Finland gets past GB
A shot from Finland's Niko Ojamaki is saved by Great Britain goaltender Ben Bowns.
photo: Matt Zambonin / HHOF-IIHF Images
share
Finland scored an expected victory by an unexpectedly close score against Britain tonight at Steel Arena, 5-0. Three of the goals came in the second period, the fourth into an empty net, and the last with 11.8 seconds left and Finland on the power play.

Jussi Olkinuora, making his first career start for Suomi, got the shutout by stopping 12 shots.

The result moves the Finns back into top spot of Group A with 13 points, one more than Germany, but the Germans have a game in hand.

Britain stays in last point, still without a point, but tonight was by far their best game. They played defence as a group and didn't panic, kept the Finns to the outside for much of the game, and created a few decent shots of their own. The game was scoreless after the first period, and although Finland scored three in the second to take control, this was not a blowout.

This result comes on the heels of GB’s 6-3 loss to the U.S., those three goals representing their highest output. Could it be that GB is acclimatizing to the rarefied air of the top pool and making adjustments to be more competitive? It sure looked like that tonight, but to be clear Finland was never in danger of losing the game. It dominated and played patient hockey, firing 49 shots at Ben Bowns, who was excellent in the blue ice for the Brits.

"They were well prepared for the game, and we played pretty well in the first period but we didn’t score," stated Finnish coach Jukka Jalonen. "But we knew if we continued that way for the second and third periods, we would score a few goals and that’s what happened. I think Great Britain played very well today. They fought hard, played well together, and made it very hard for us to score."

"I think on the whole we have to be pretty pleased with ourselves because that’s one hell of a team we’ve just played," enthused British captain Jonathan Phillips. "We should be proud and use that going forward."

World Men
Finland vs. Great Britain - 2019 IIHF Ice Hockey World Championship
Finland scored an expected victory by an unexpectedly close score against Britain tonight at Steel Arena, 5-0.
FIN GBR 17 MAY 2019
Finland had much of the play in the first, outshooting its opponents, 12-2, but they couldn’t beat Bowns, who was impressive in the GB crease. Finland wasted no time getting on the board in the second, though, when Toni Rajala wired a screen shot over Bowns’s shoulder just 25 seconds in.

Five minutes later, Atte Ohtamaa made it 2-0 on another screen shot from farther out. The Finns completed their middle period outburst with a goal at 14:59. Bowns failed to handle Miika Koivisto’s point shot, and before the goalie could recover Joel Kiviranta had swiped it into the empty cage.

Britain's best chance came midway through the period when Oliver Betteridge got the puck in the slot, but he wired a hard shot right into the crest of Olkinuora for the easy save.

Although Kaapo Kakko was held without a goal, he caused a bit of a stir in the third. With the puck behind the Britain goal, he tried to flip the puck over Bowns's head to a teammate in front. A defender high-sticked the puck, but credit to Kakko for having a bit of fun.

Credit also to British coach Peter Russell. He pulled Bowns with 3:40 remaining, trying to get his team a goal or, more precisely, practising a situation that might come at a more critical time against France early next week. The Brits moved the puck around nicely for more than a minute before surrendering an empty netter to Kristian Kuusela.

Finland closed out the scoring with a power-play goal by Mikko Lehtonen with only 11.8 seconds remaining. The scoreboard showed 5-0, but it was really a 3-0 game and a decent result for Britain. Finland got what it wanted as well, so an all around good night of hockey in Kosice.

The Brits are right back at it tomorrow with a pivotal game against Slovakia, their penultimate of the round robin. The Finns, meanwhile, have a day off before facing France on Sunday.
Finland vs. Great Britain - 2019 IIHF Ice Hockey World Championship 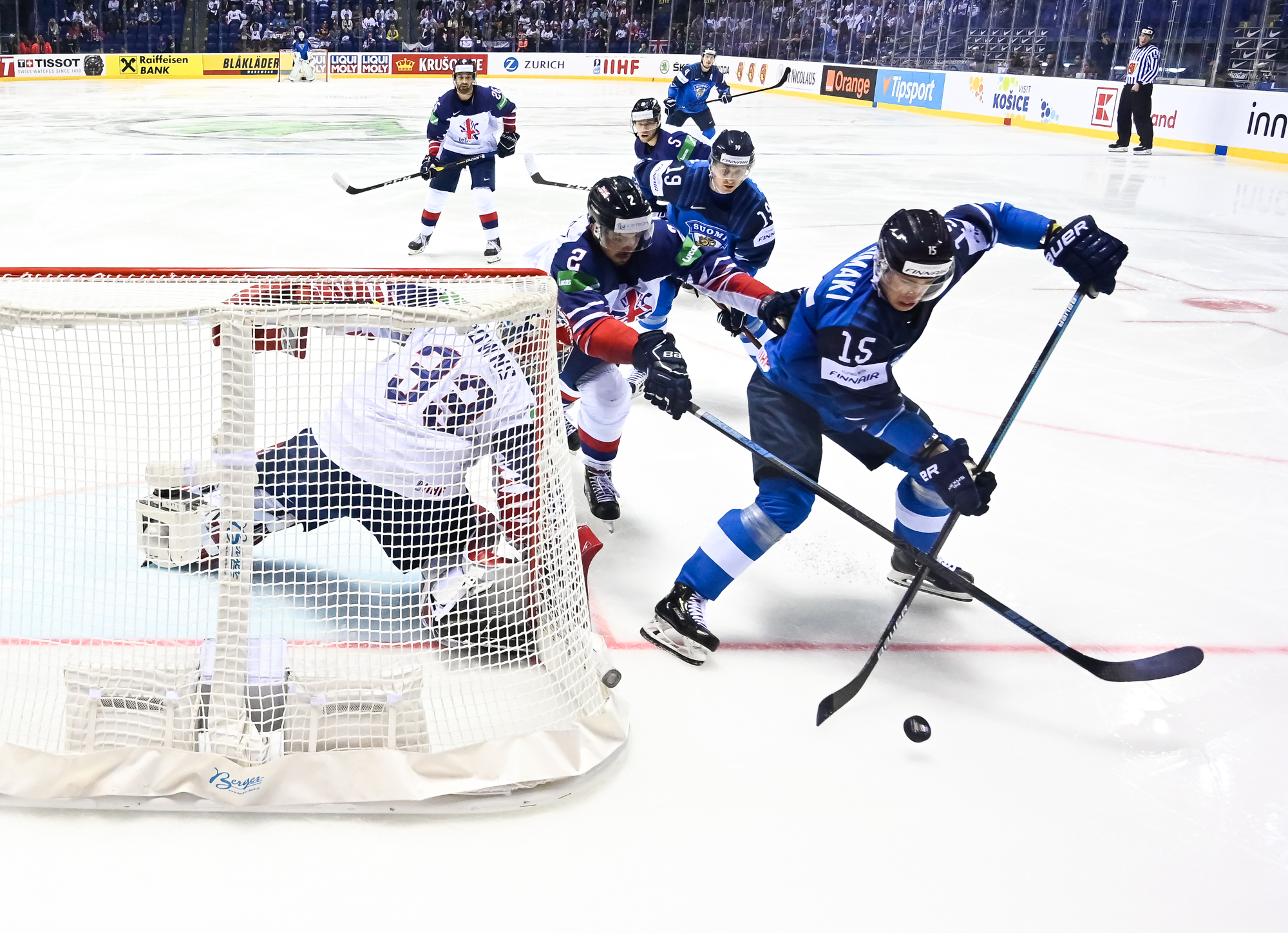 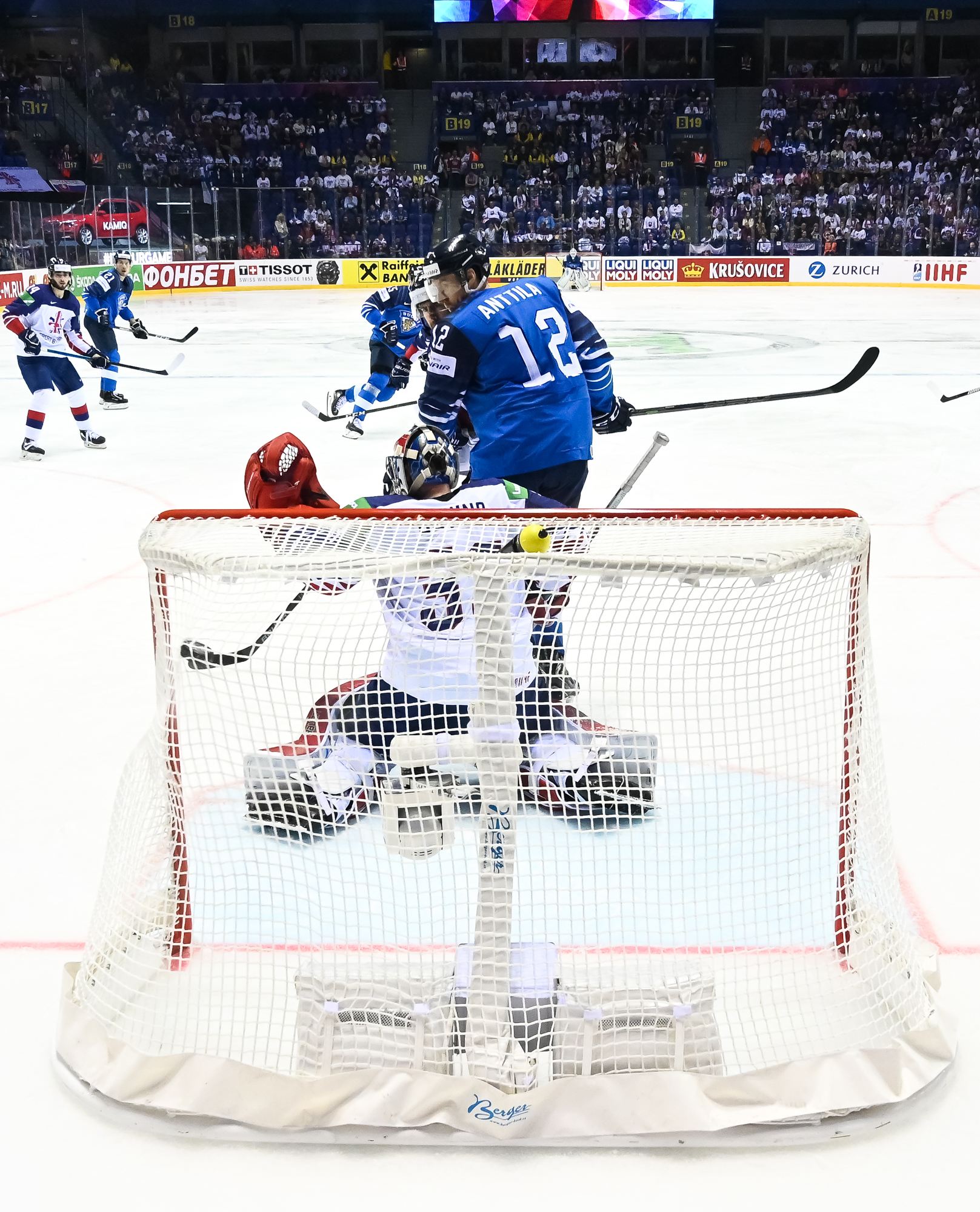 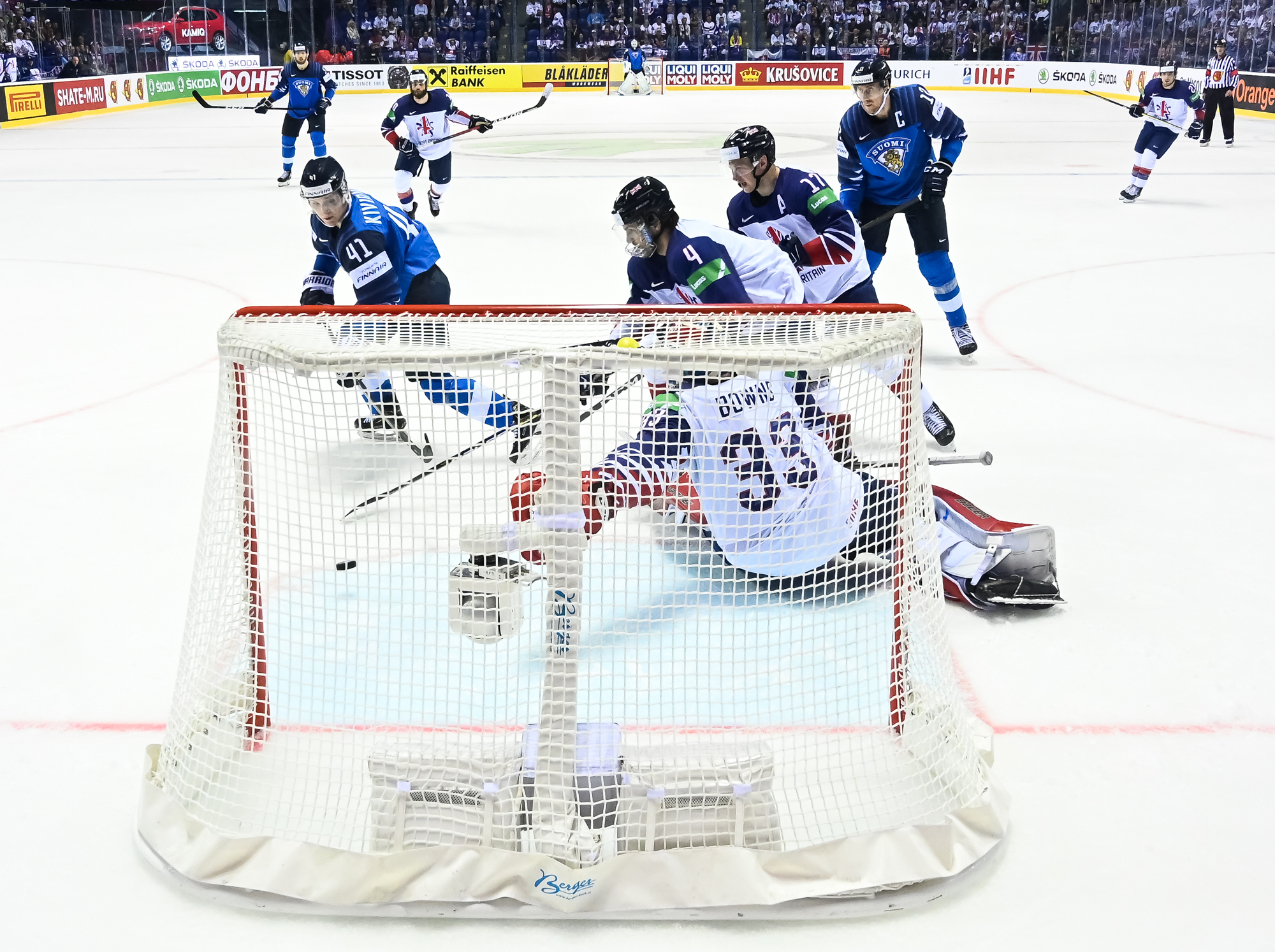 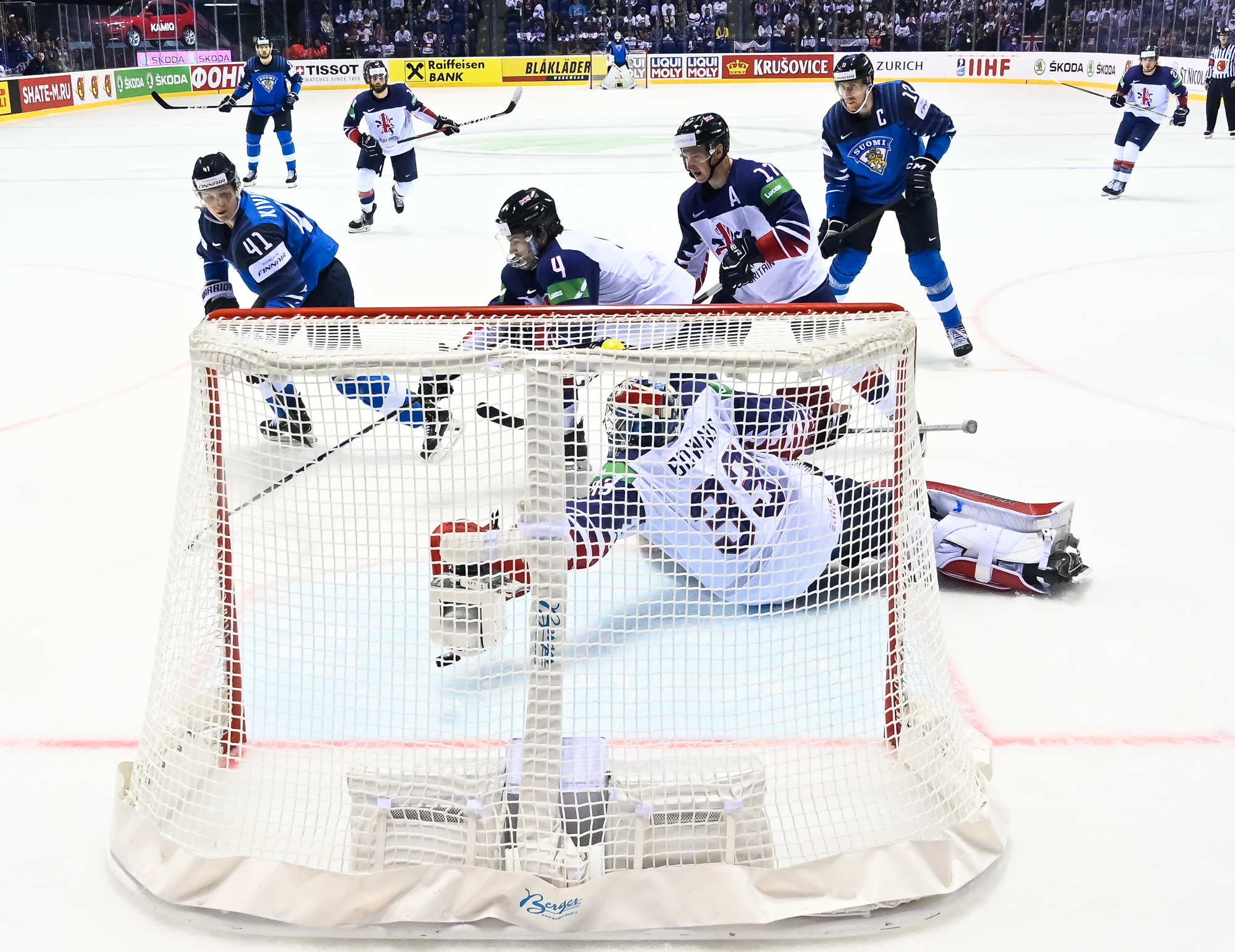 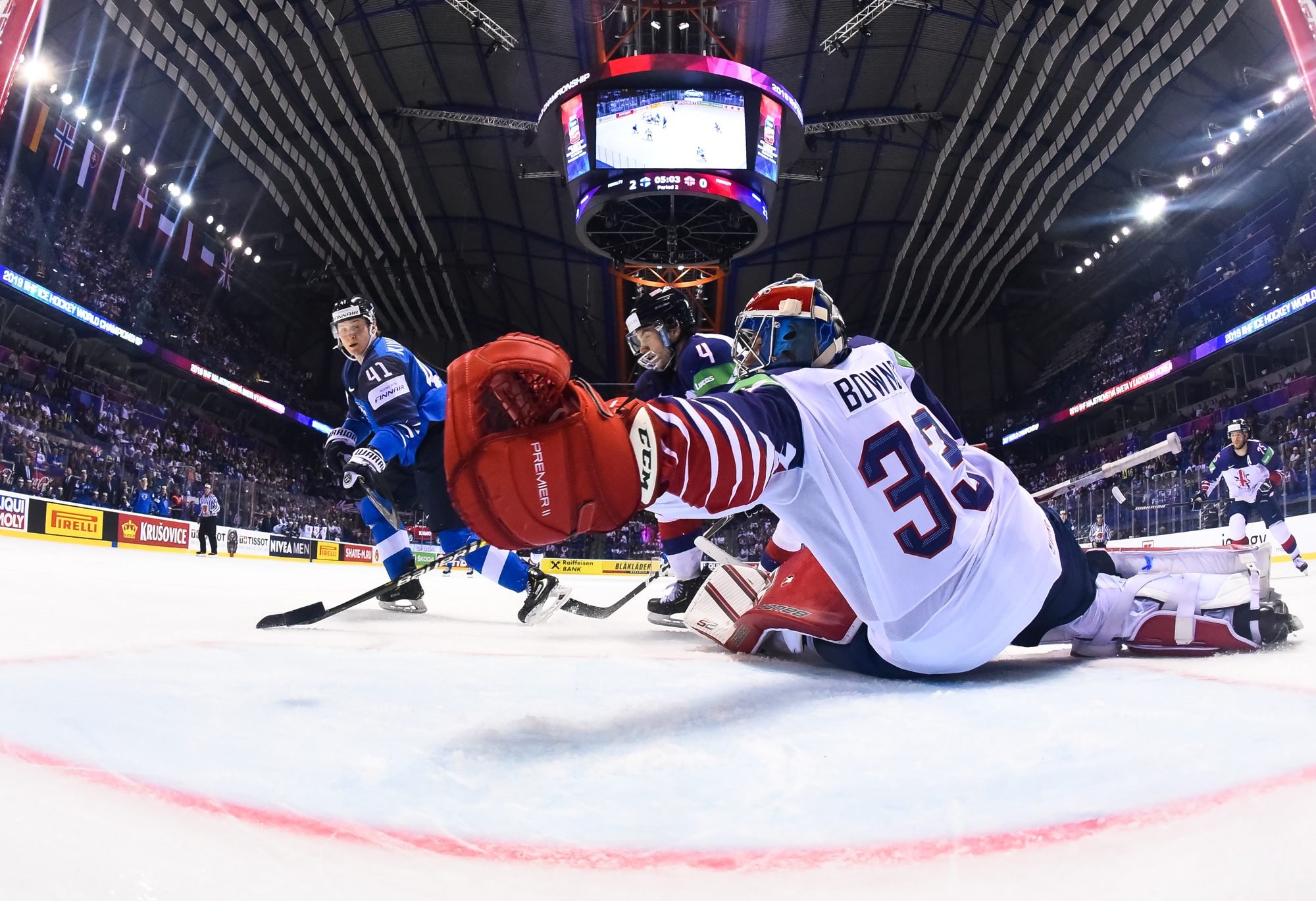 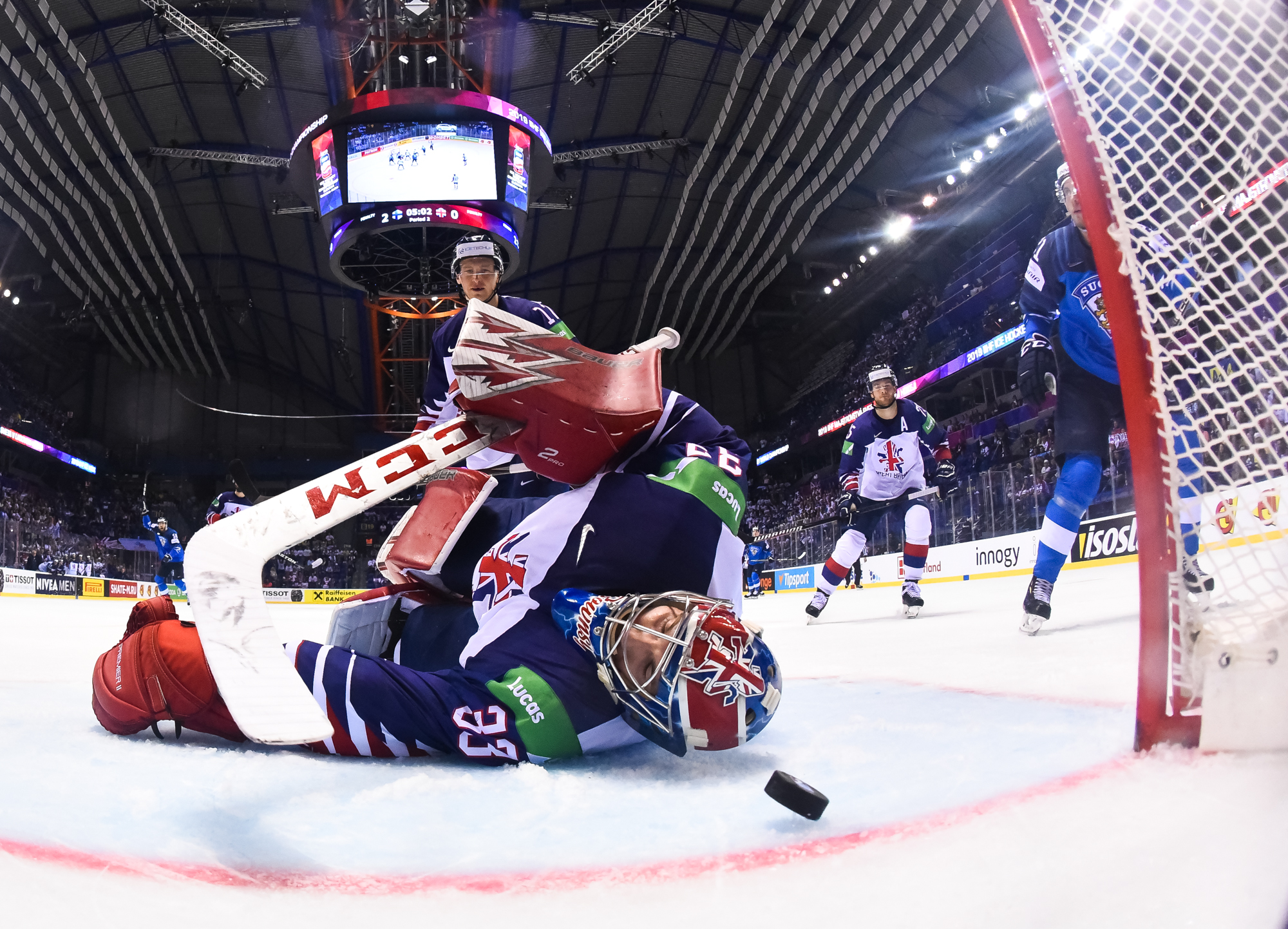 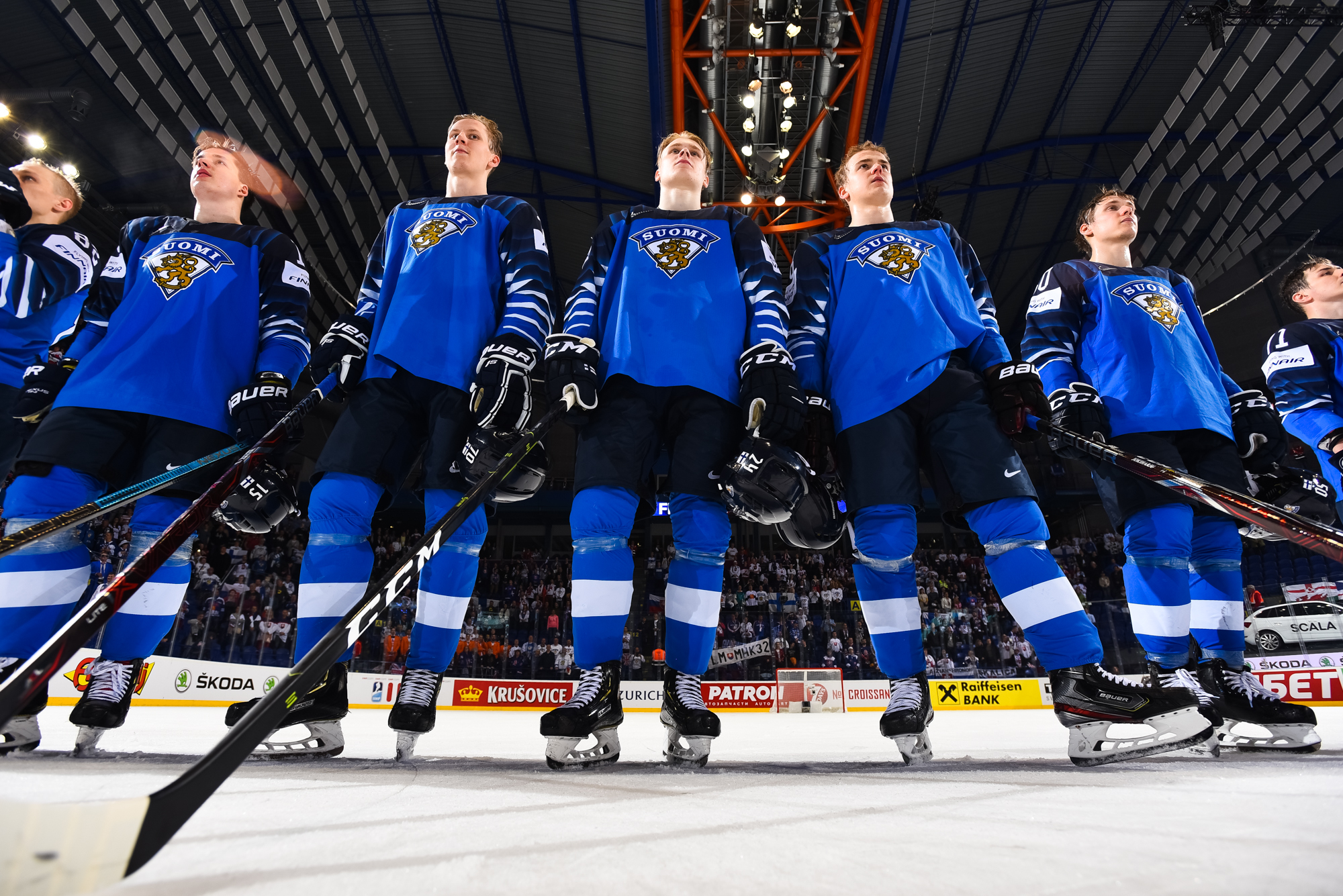 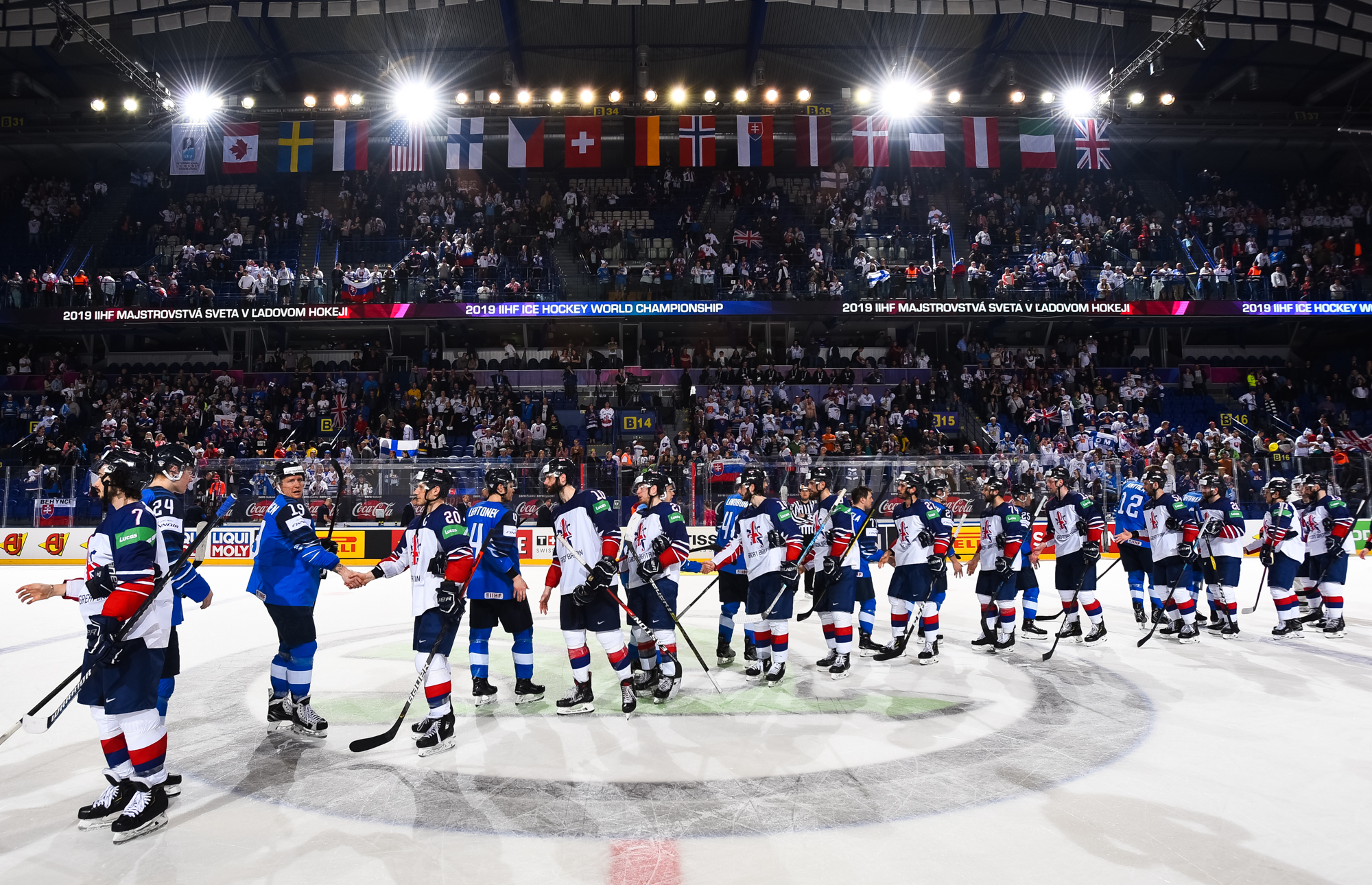 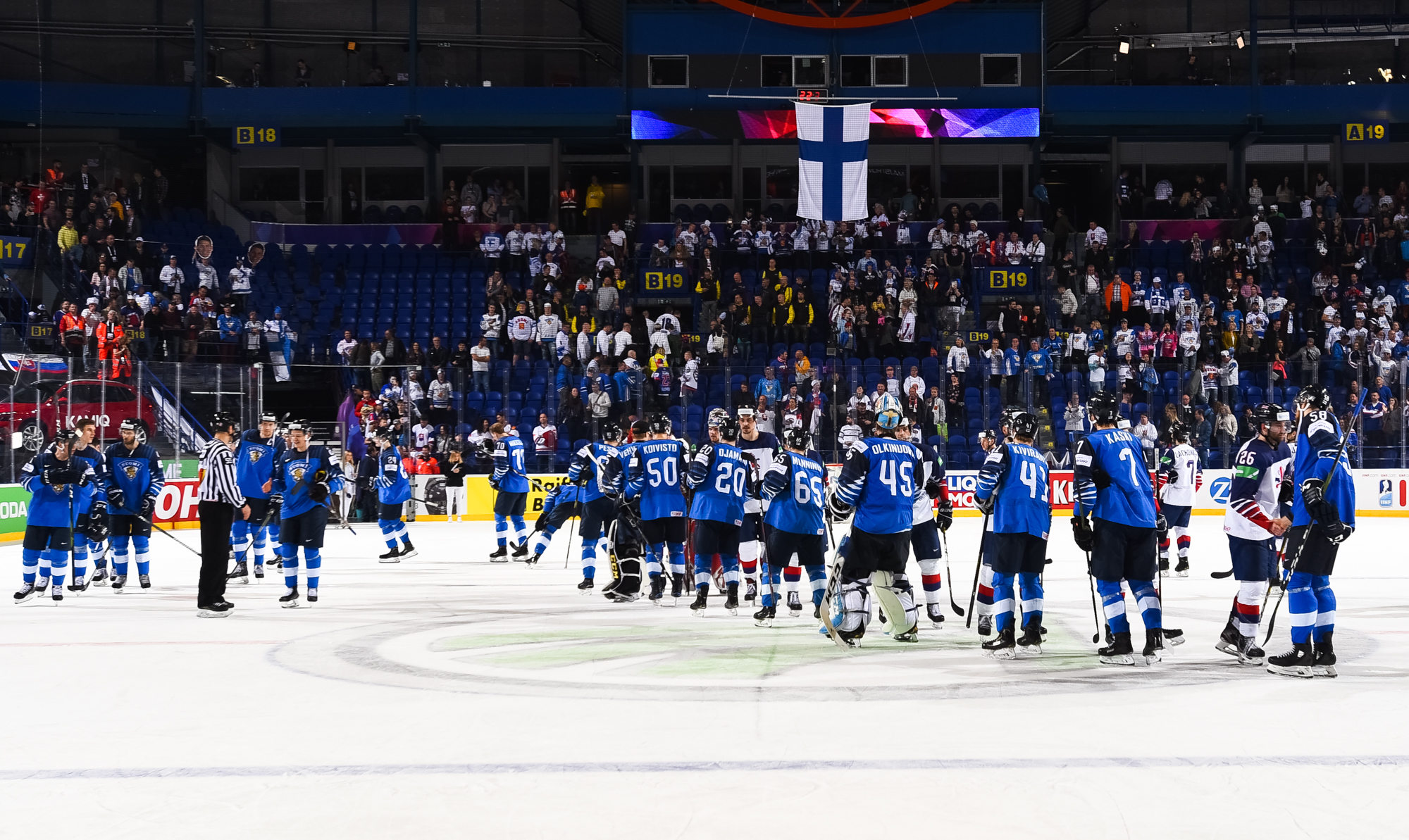 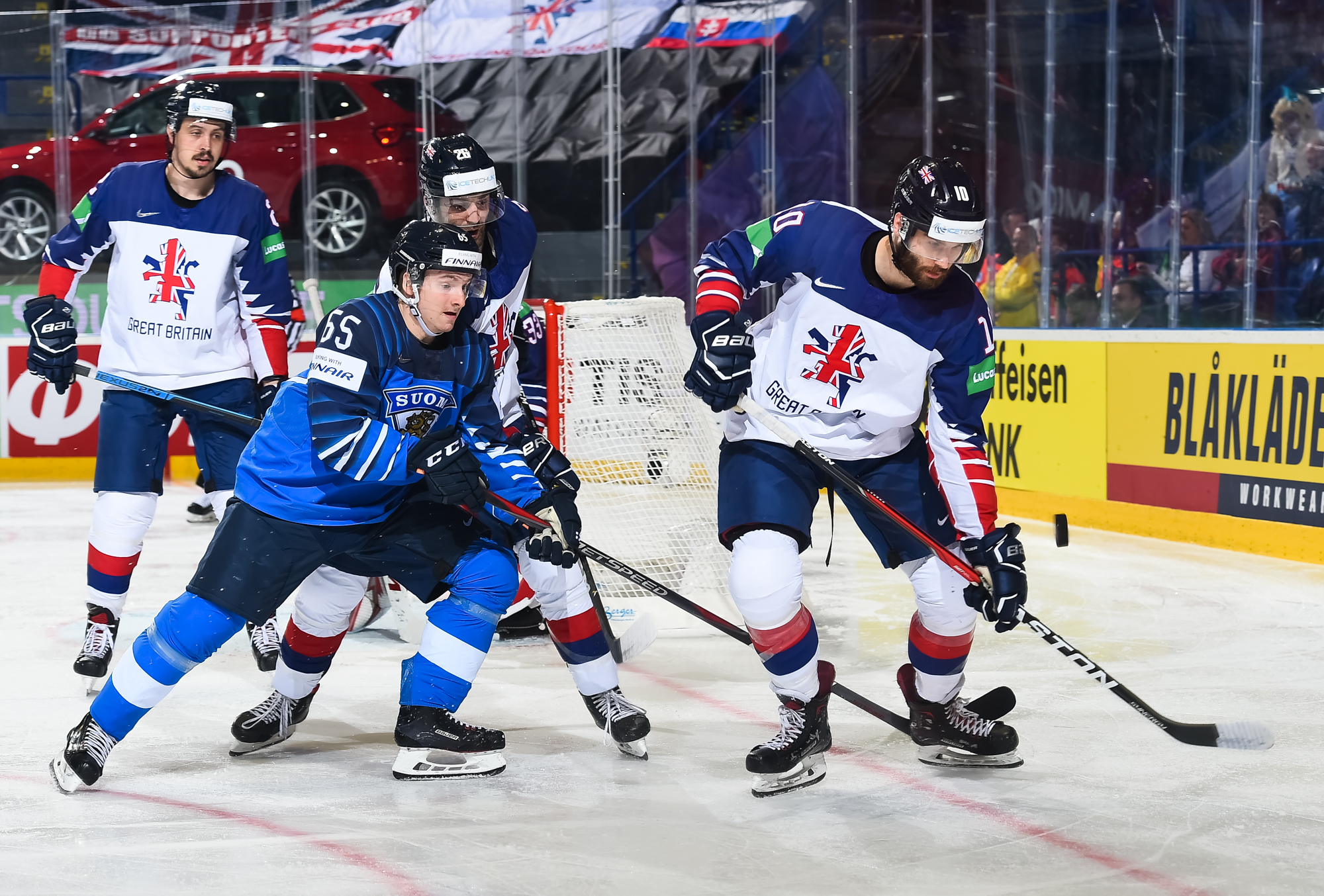 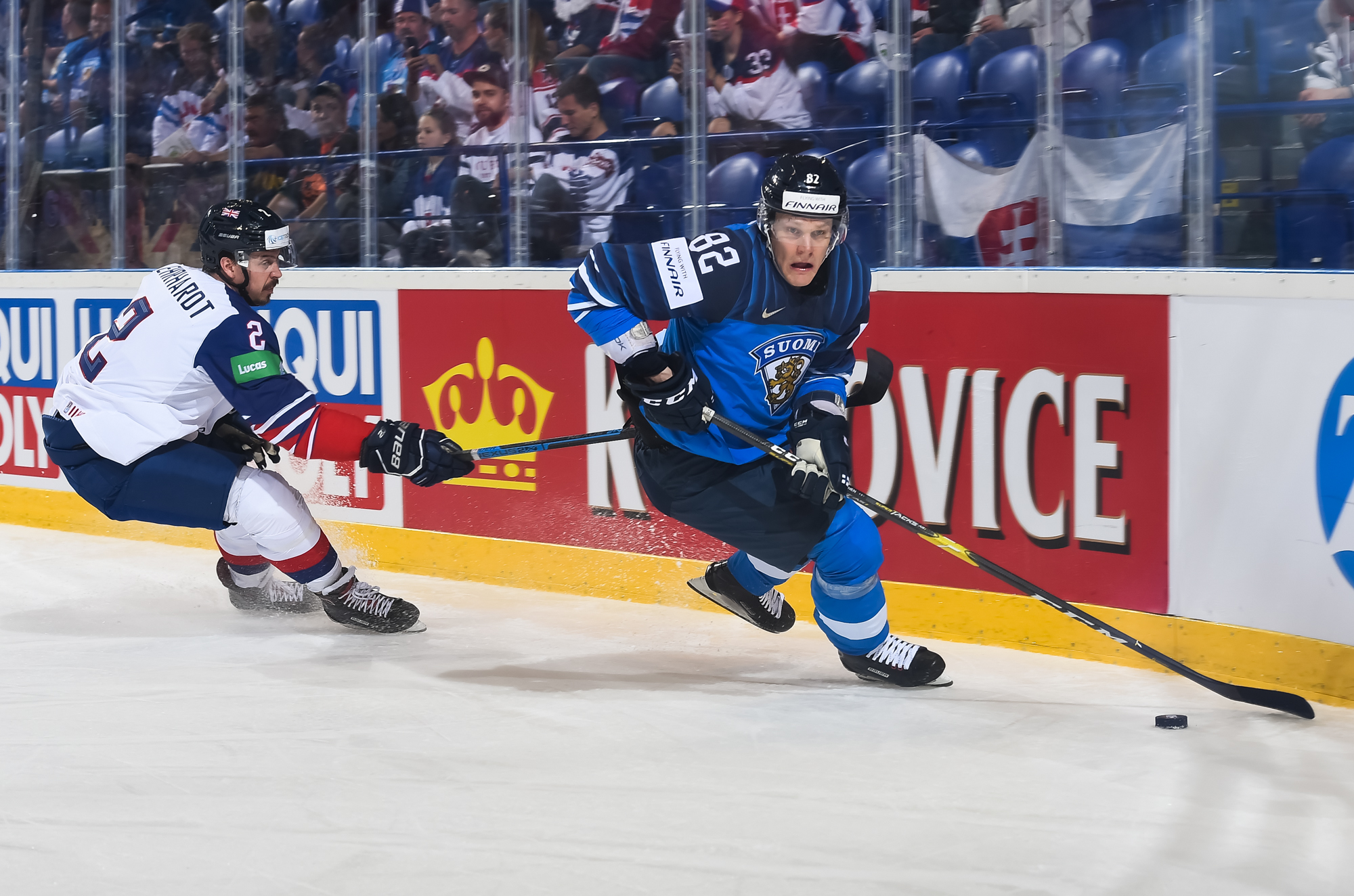 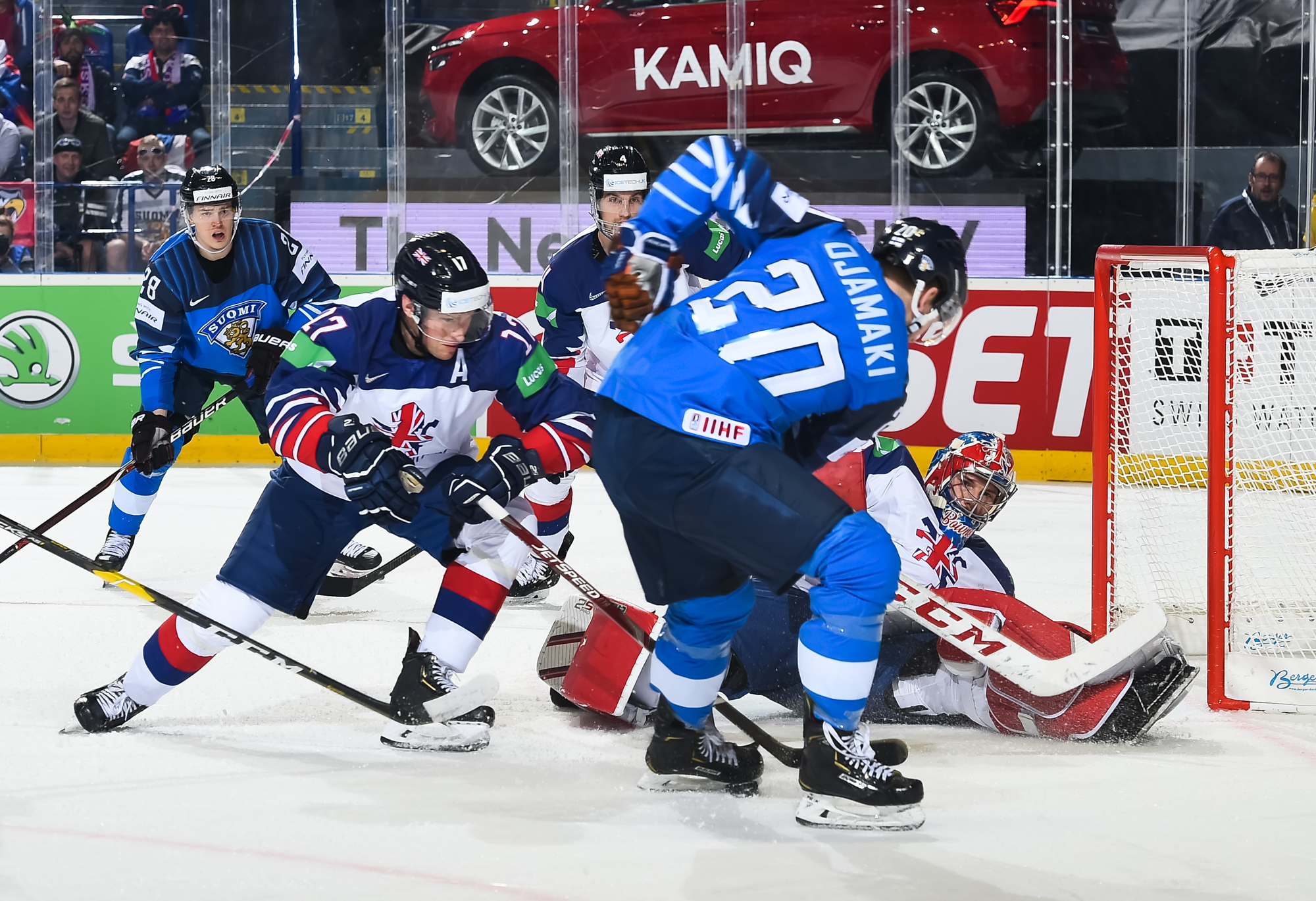 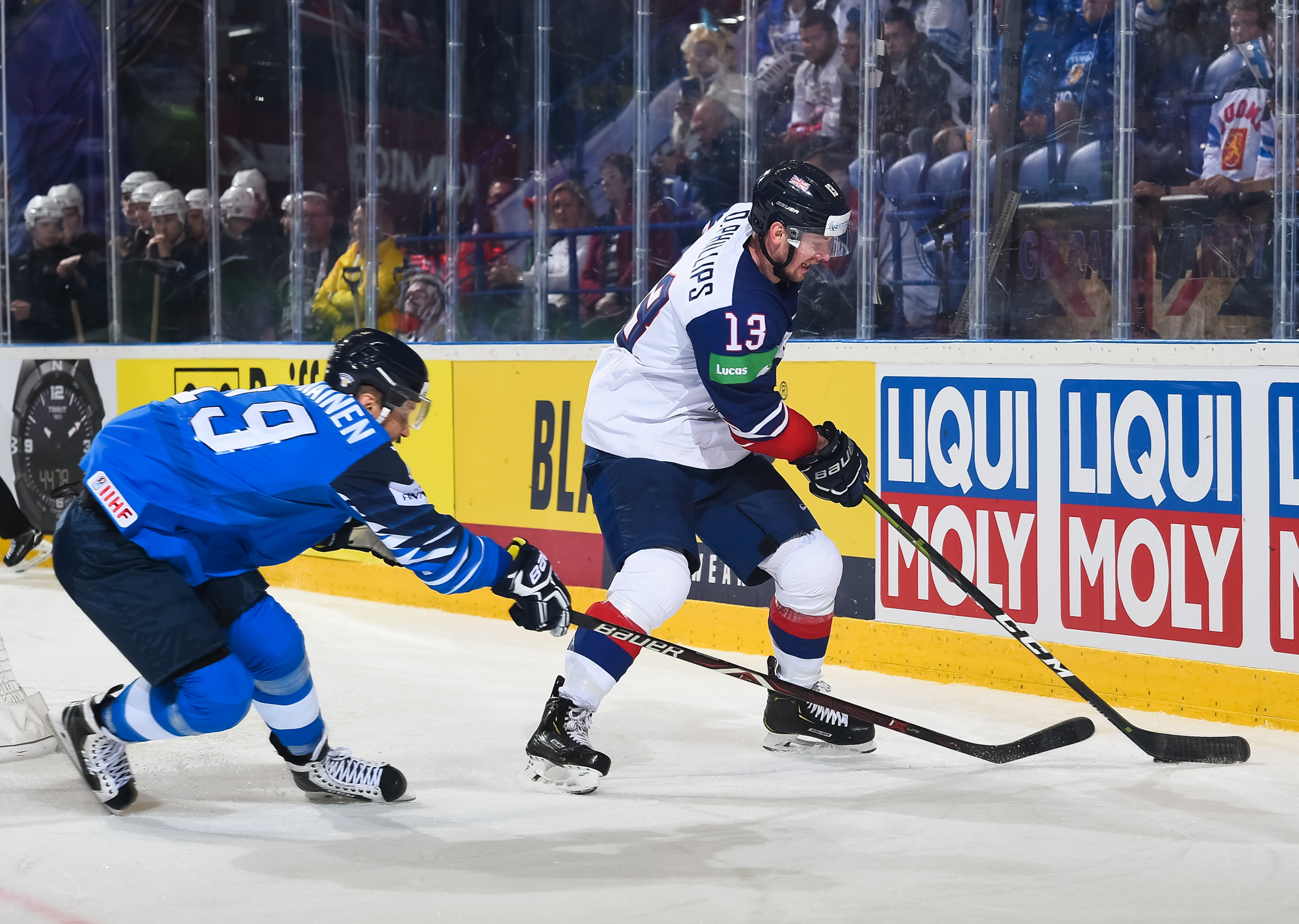 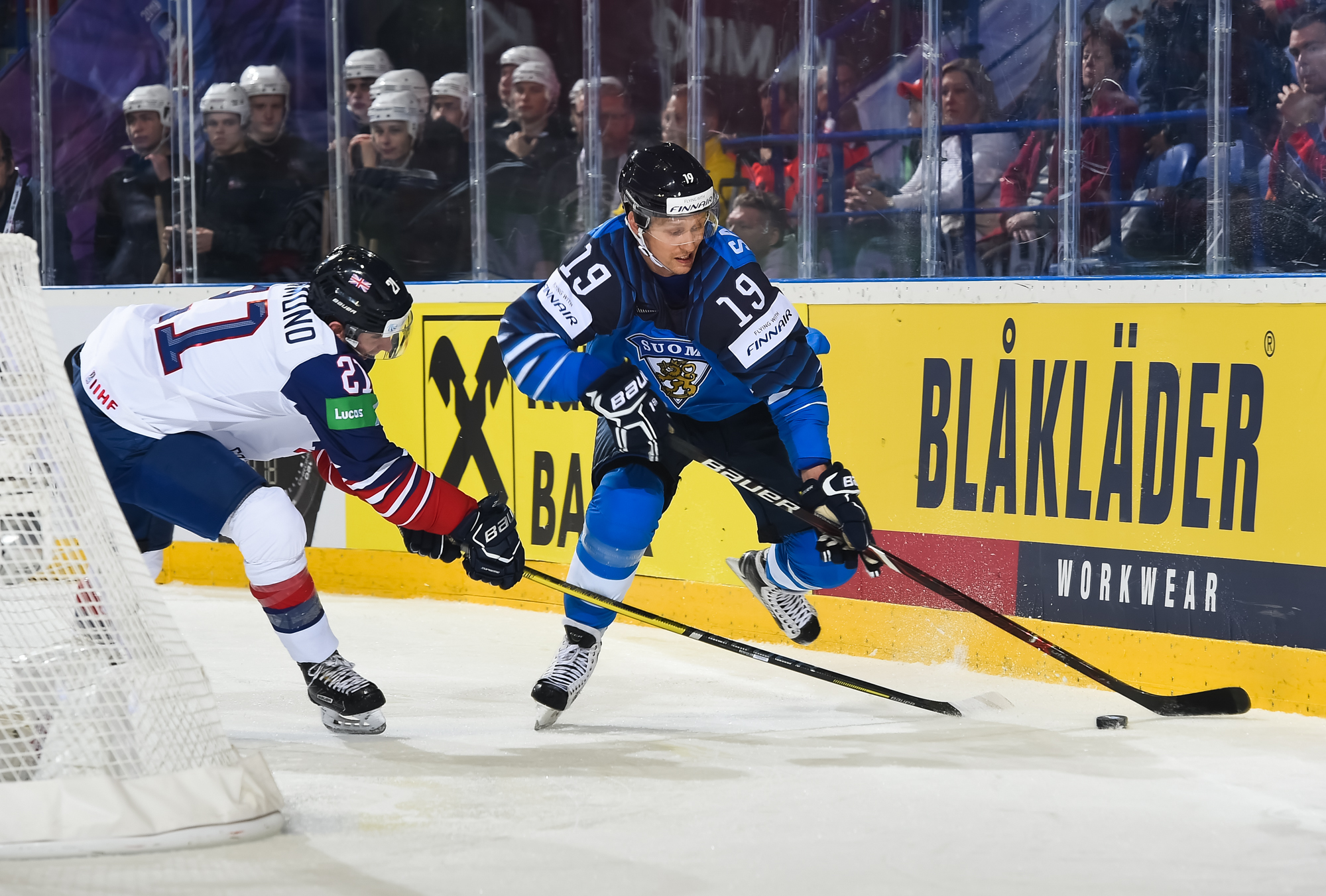 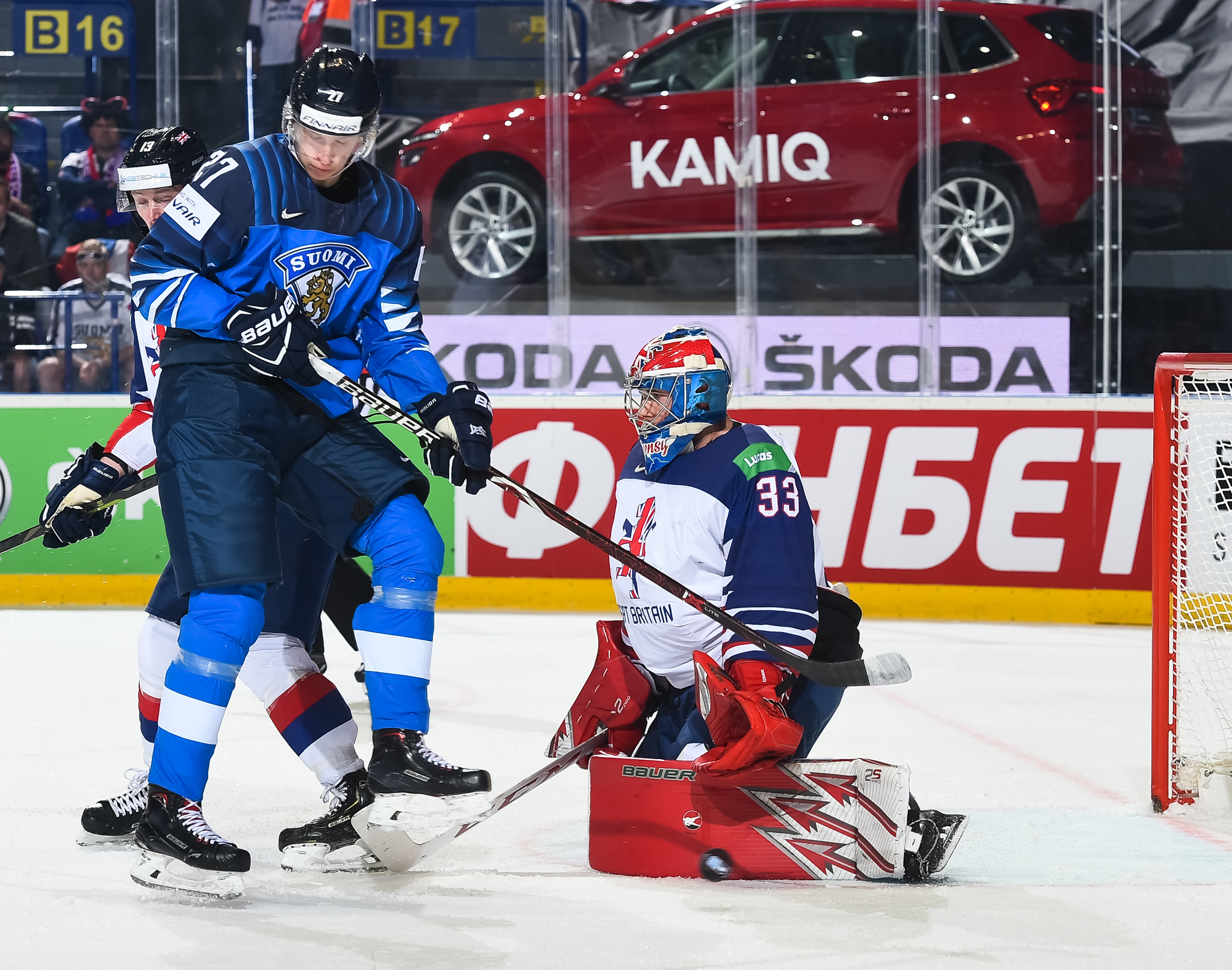 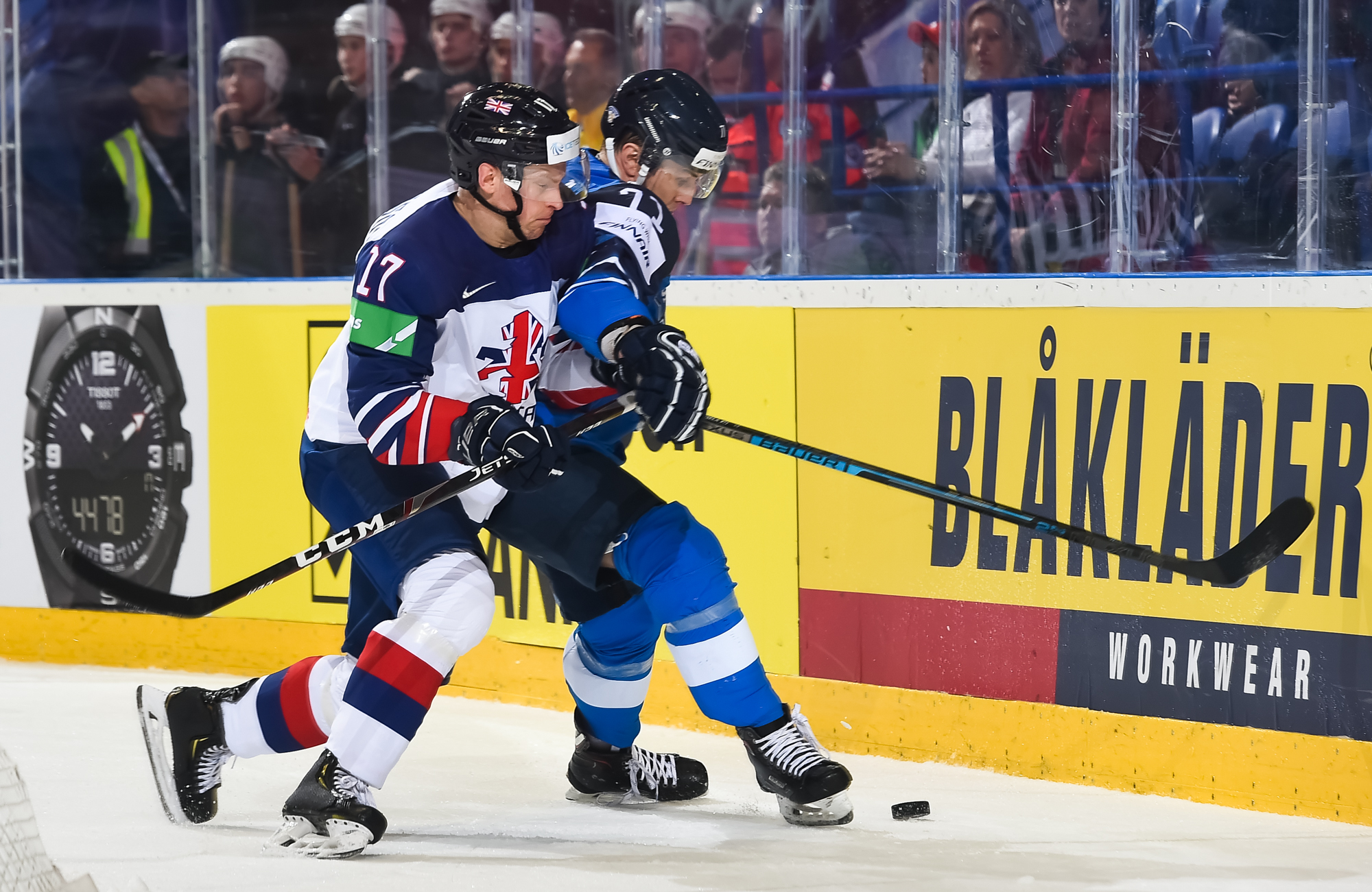 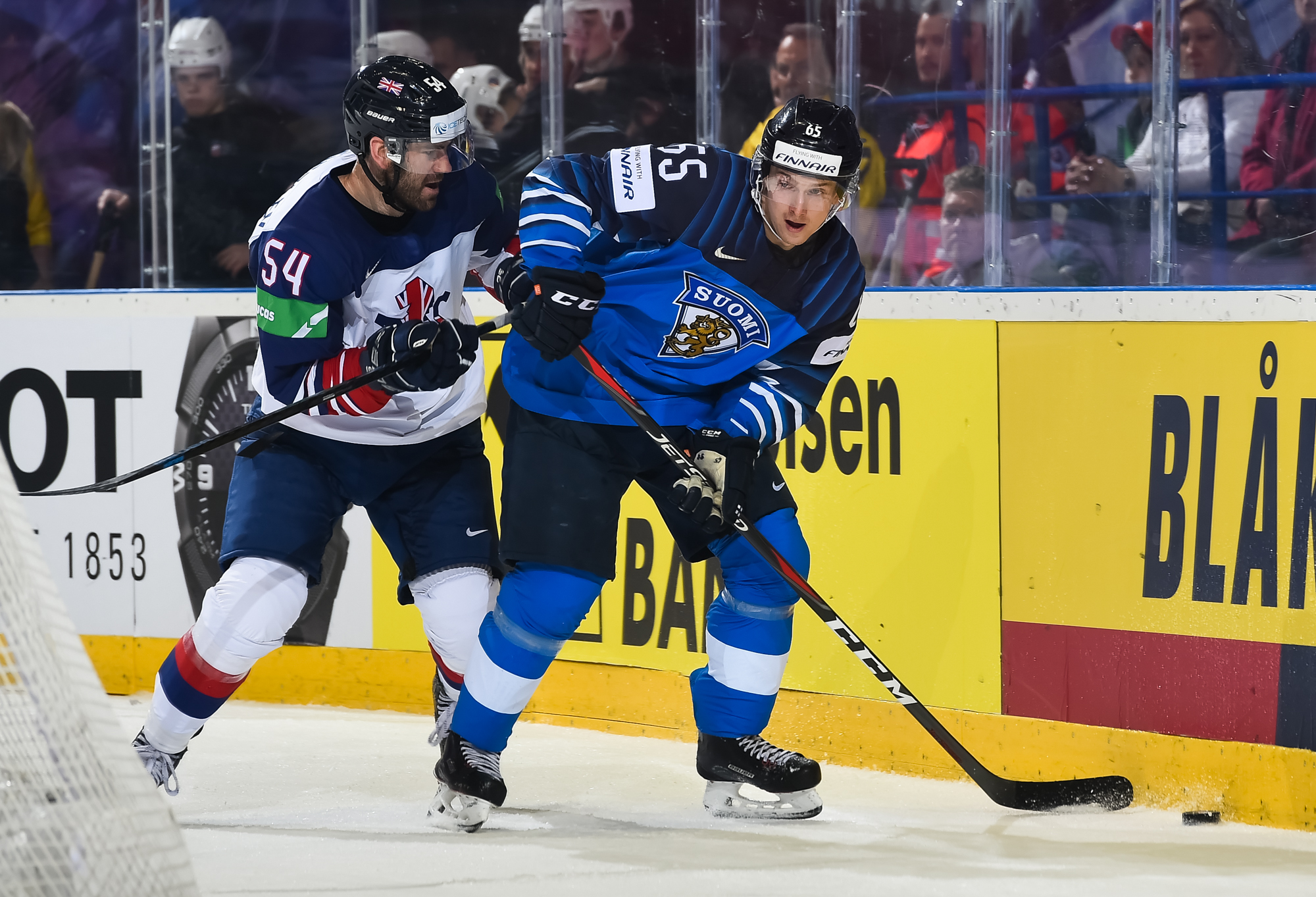 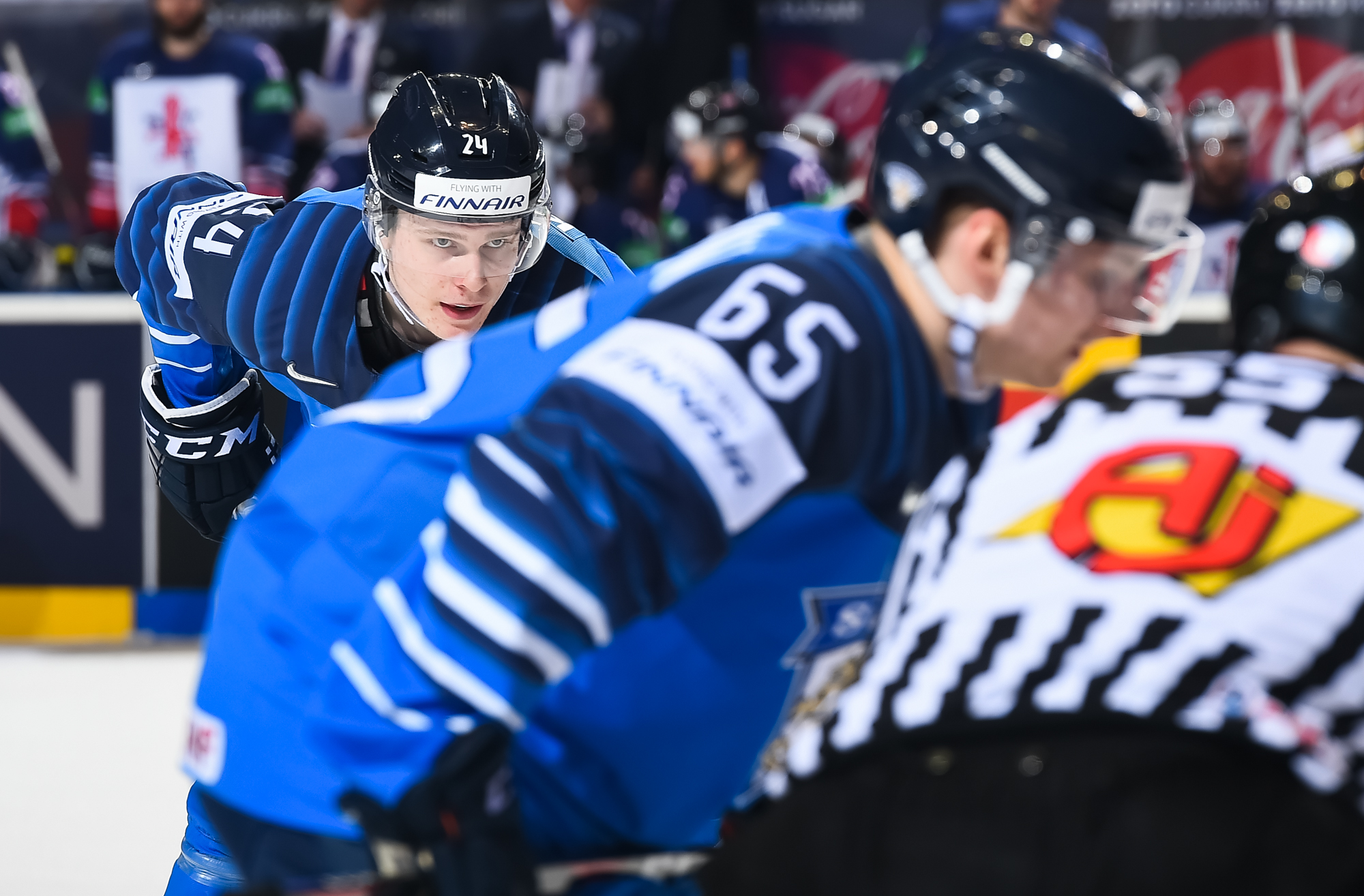 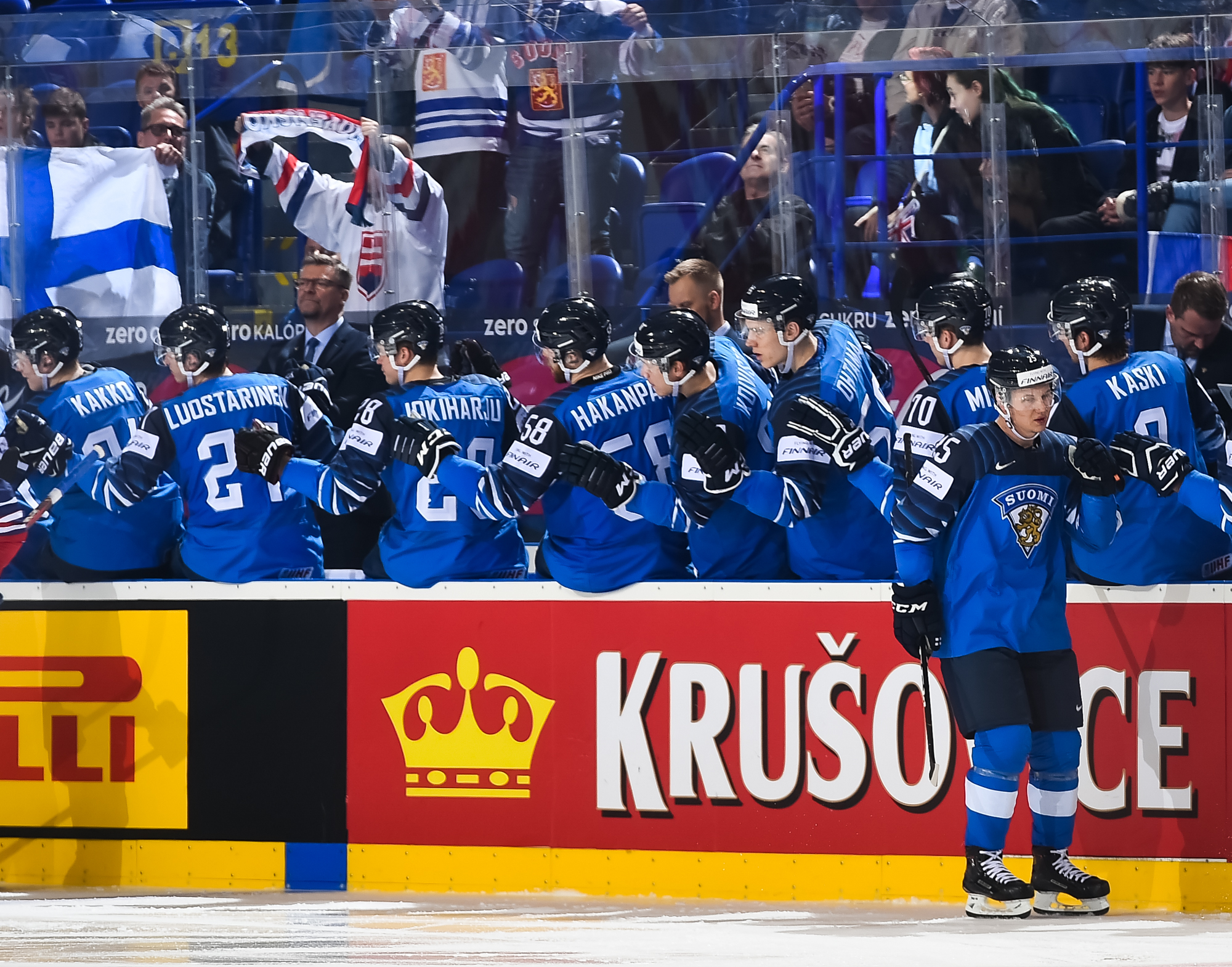 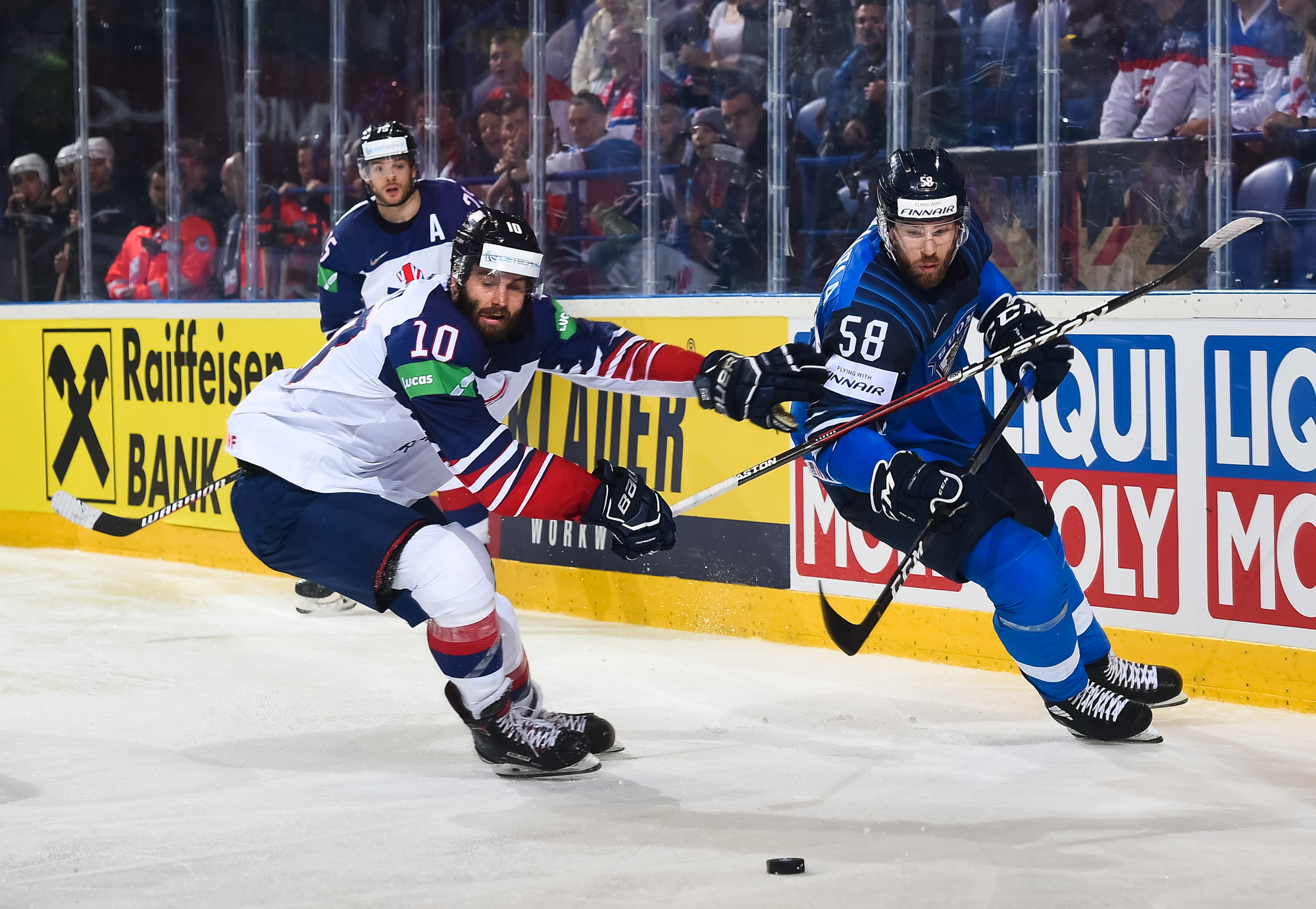 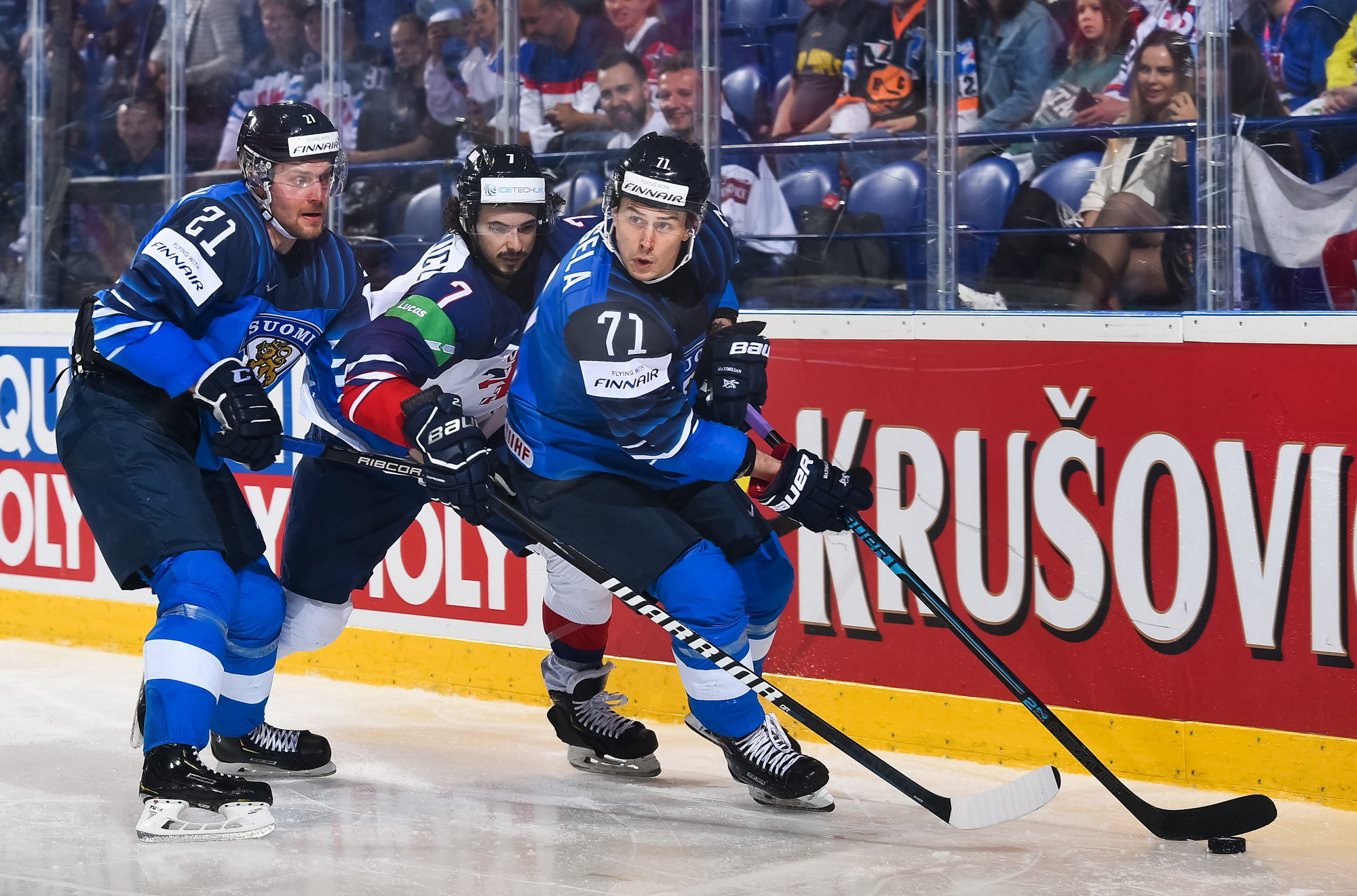 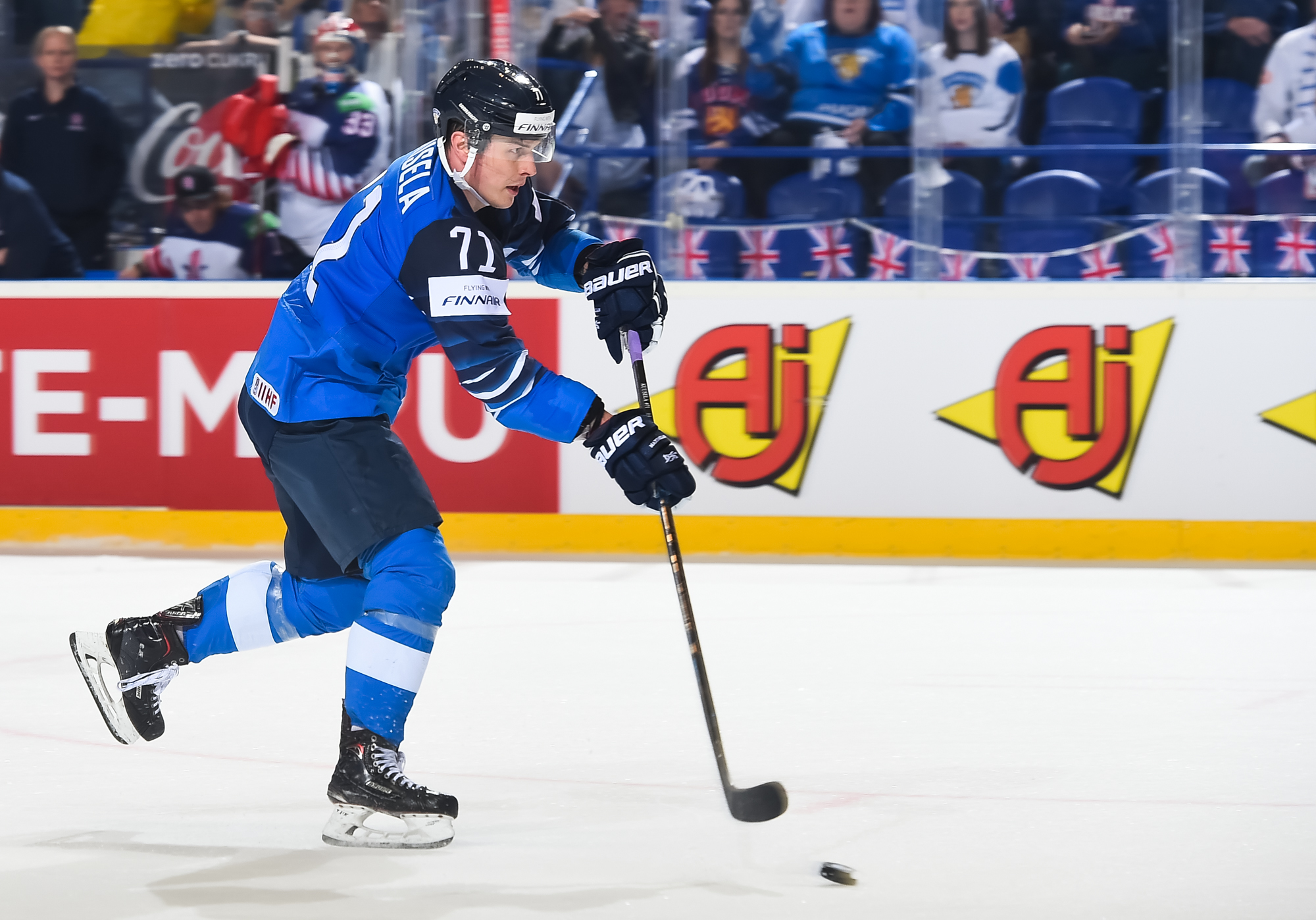 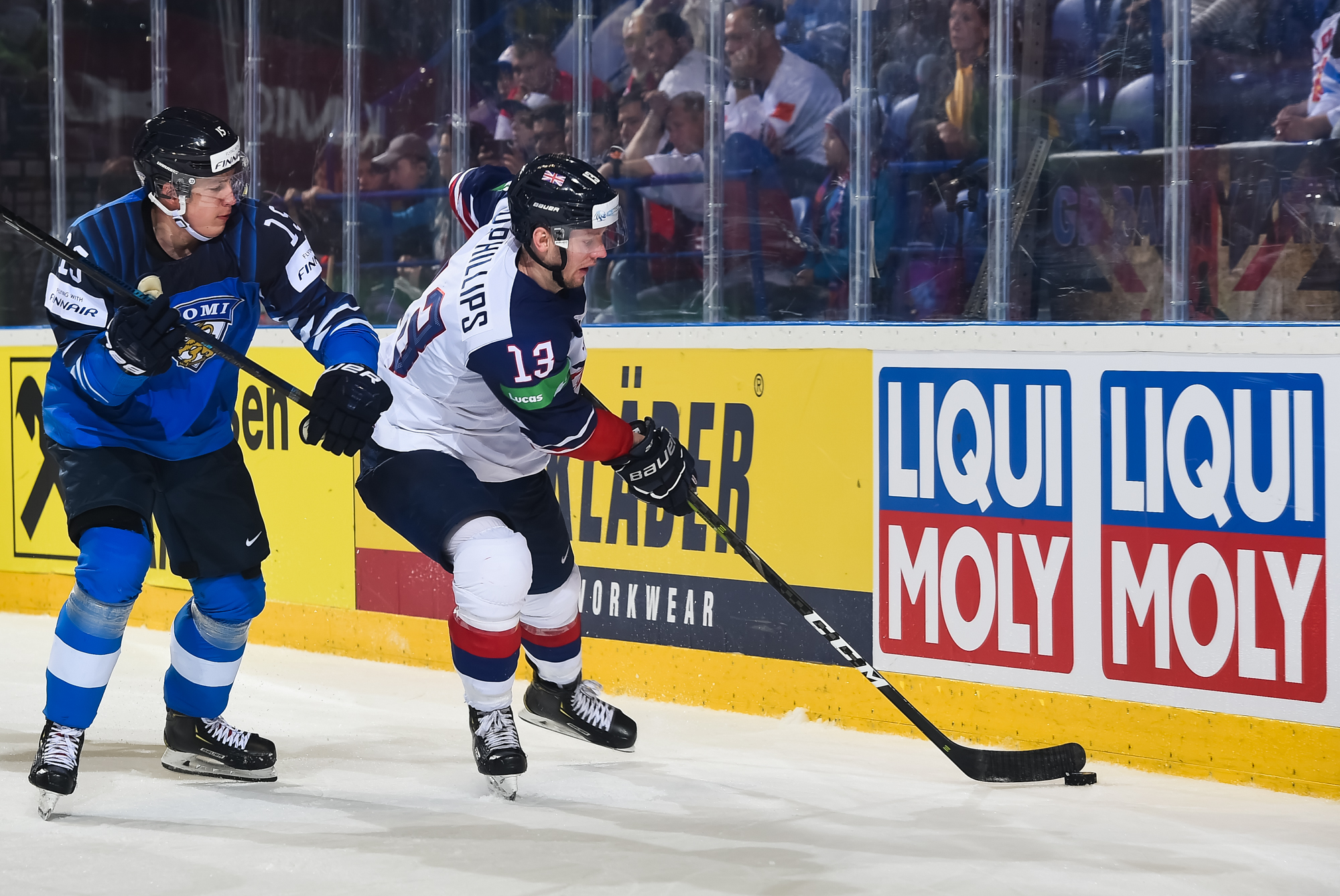 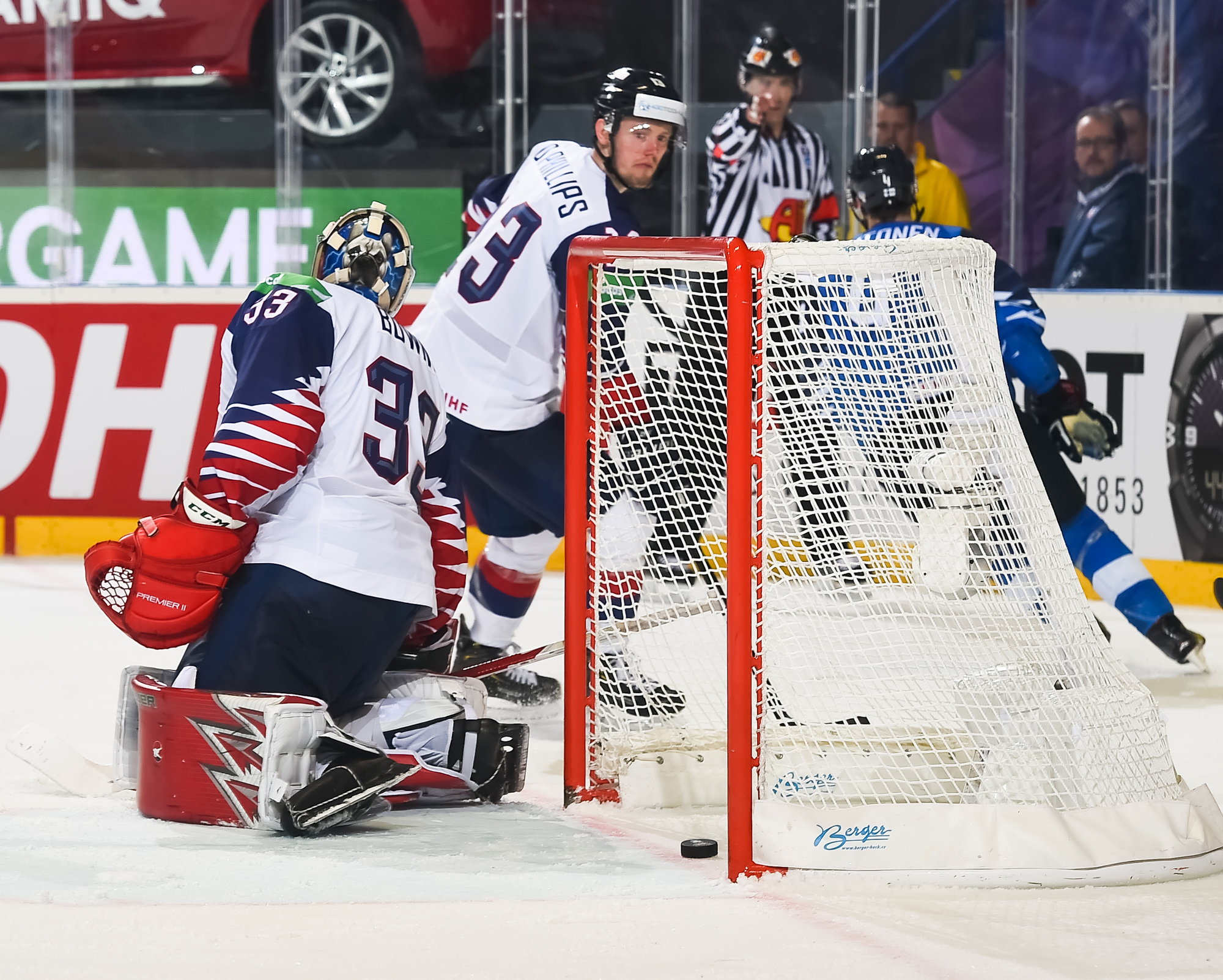 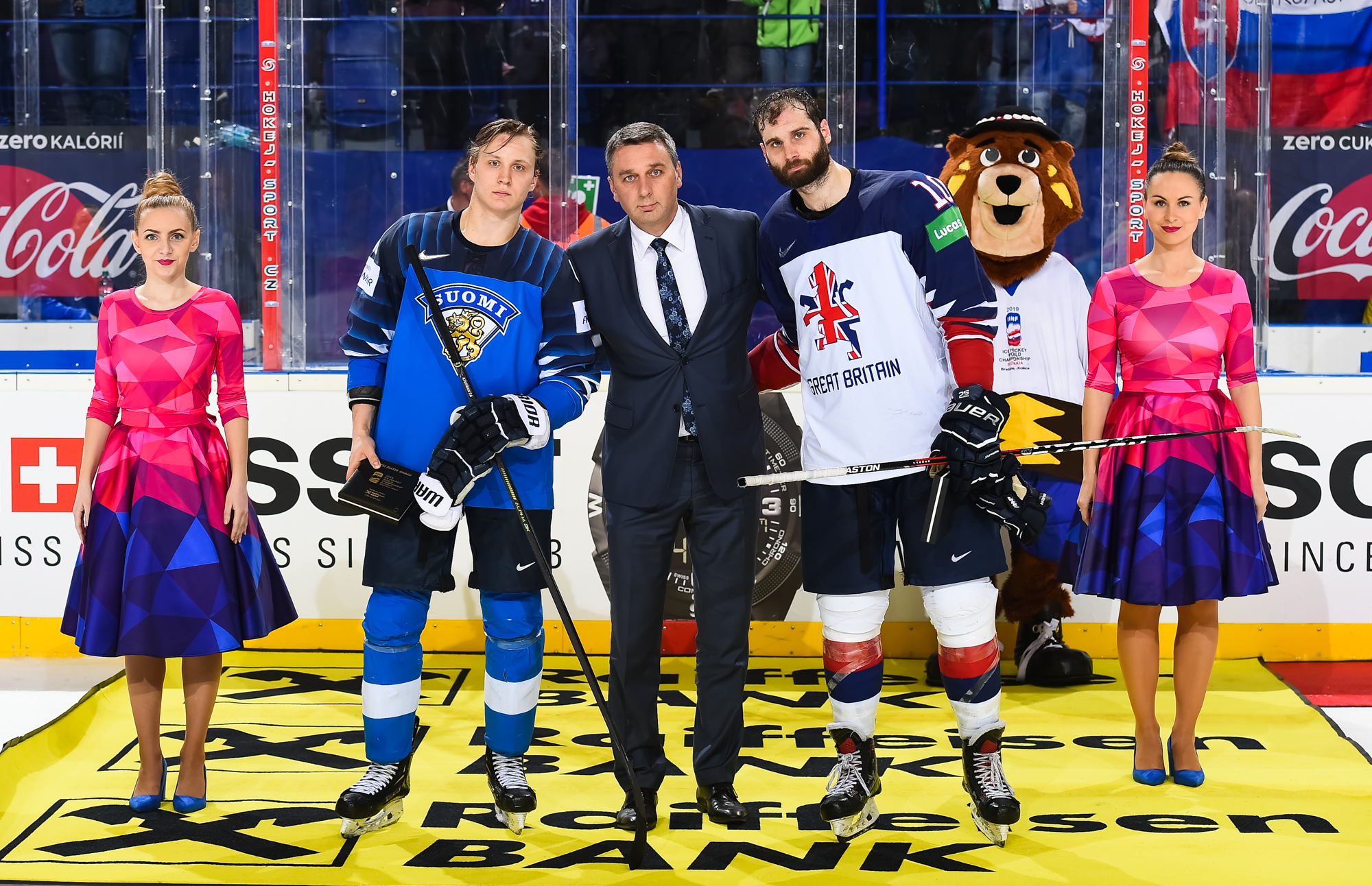 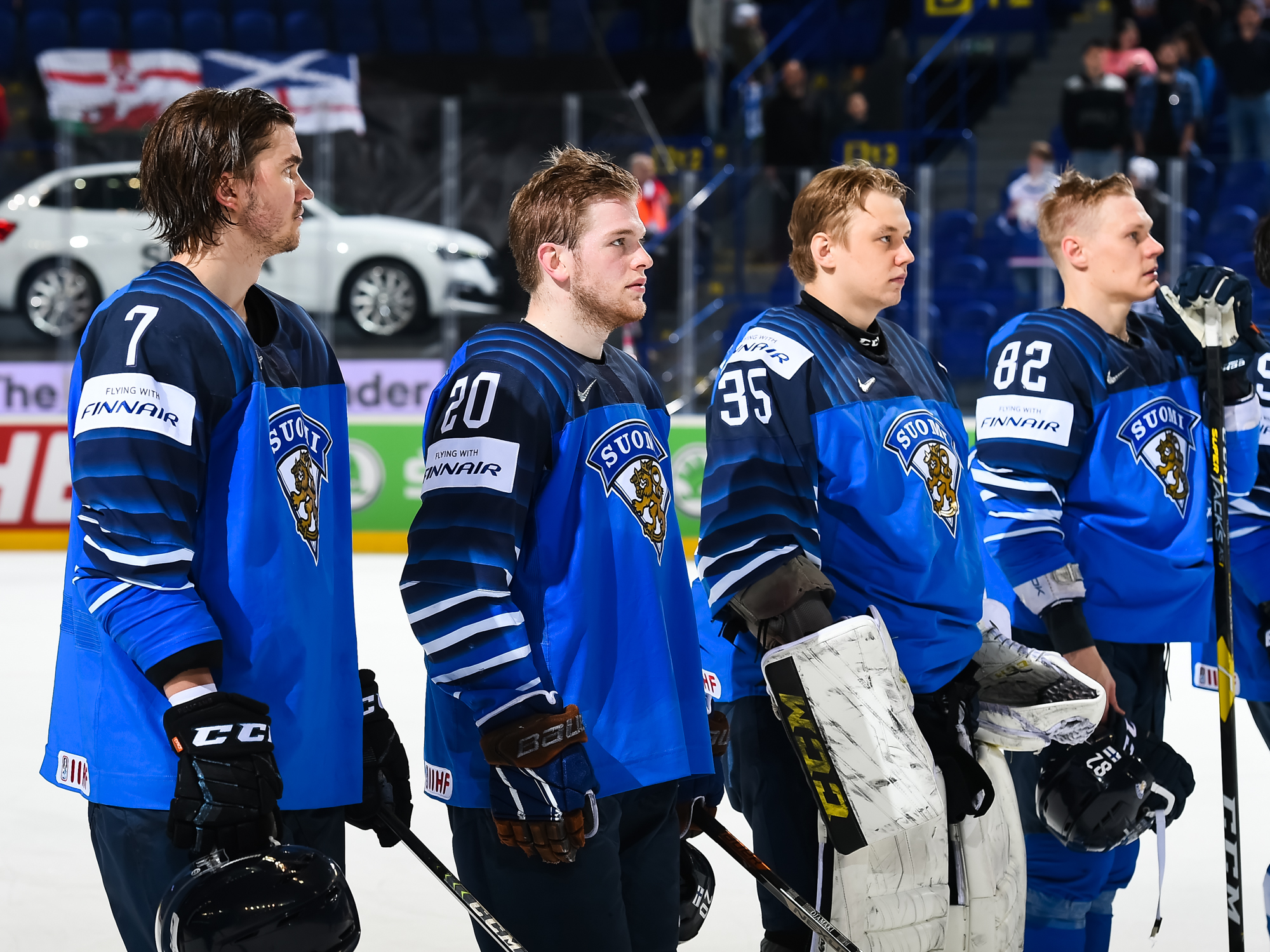