Finland back on top
Finland's Veli-Matti Savinainen (#19) protects the puck from France's Antonin Manavian (#4).
photo: Matt Zambonin / HHOF-IIHF Images
share
Finland moved back to the top of the Group A table tonight with a calculated 3-0 win over France. The win gives Finland the chance to stay on top at the end of the round robin, where it would face the preferred fourth place team of Group B in the crossover quarter-finals.

The Finns scored once in each period, and Kevin Lankinen earned the shutout. Shots favoured the Finns, 47-21, and the score was so close only because of the outstanding goaltending of Florian Hardy.

For France, though, the loss was a missed opportunity, and it now turns its last game against Great Britain tomorrow as the team’s most important game in years. Britain is in last place with no points and France one up with a single point. This is Britain’s first time back to the top pool in 25 years, but the French have established themselves in the top group over the last 12 years. To go down would be a terrible blow to the program.

Tomorrow’s final game for both teams means that France must win to avoid relegation (in regulation, overtime, or shootout). And Great Britain must win to move up to seventh place in the group. If it does, it will stay up and send the French to Division I Group A for 2020.

“We’re not that happy with the result tonight because we need points to stay in this group,” Hardy emphasized. “Now we’ll have to do it tomorrow. Finland is a good team. They play hard; they skate fast; they shoot hard. It was a tough game, and we can’t really compare with them in those areas. But tomorrow is a huge game. We have to win it. It’s going to be a war.”

Finland finishes its round robin on Tuesday with a game against Germany, a game that might well have implications for quarter-finals matchups.

“It’s difficult to score when teams defend well and goalies play well,” said Finnish coach Jukka Jalonen. “But we were playing for the win, and we knew if we were patient, we’d get some chances. Maybe we could have capitalized on our chances a bit better, but 3-0 is a good result.”
World Men
France vs. Finland - 2019 IIHF Ice Hockey World Championship
Finland moved back to the top of the Group A table tonight with a calculated 3-0 win over France tonight.
FRA FIN 19 MAY 2019
Finland dominated the opening period, outshooting its opponents by a 20-5 margin. Only the excellent play of Hardy kept the French in the game. As it was, Finland got the only goal.

It wasn’t a power-play goal in the game summary, but on ice it was. That is, as Alexandre Texier came out of the box after serving a minor, but before he could get back into the play, Petteri Lindbohm took a shot on goal that was perfectly tipped by Joel Kiviranta between Hardy’s pads.

Suomi wasted no time in doubling their lead in the second. Harri Pesonen made a nice, no-look pass to Niko Mikkola, who roofed a shot over Hardy’s glove at 1:51 to make it 2-0.

Although the Finns remained in control, France did have two good opportunities midway through the period. Cedric di Dio Balsamo stole the puck inside his line on a Finnish power play and bolted down the ice, but his shot was topped by Lankinen. It was his toughest save of the evening.

Soon after, Sasha Treille had a nice chance but drilled the shot into the goalie’s stomach for the easy save.

Jere Sallinen made it 3-0 at 12:31 of the third courtesy of a turnover at the France blue line. His backhand shot fooled the beleaguered Hardy, who had played so solidly in goal for the French.

And now, the French players have to get to bed and be ready to play again tomorrow at 16.15, their very top-pool lives hanging in the balance. Great Britain? France? One stays up – one goes down.
France vs. Finland - 2019 IIHF Ice Hockey World Championship 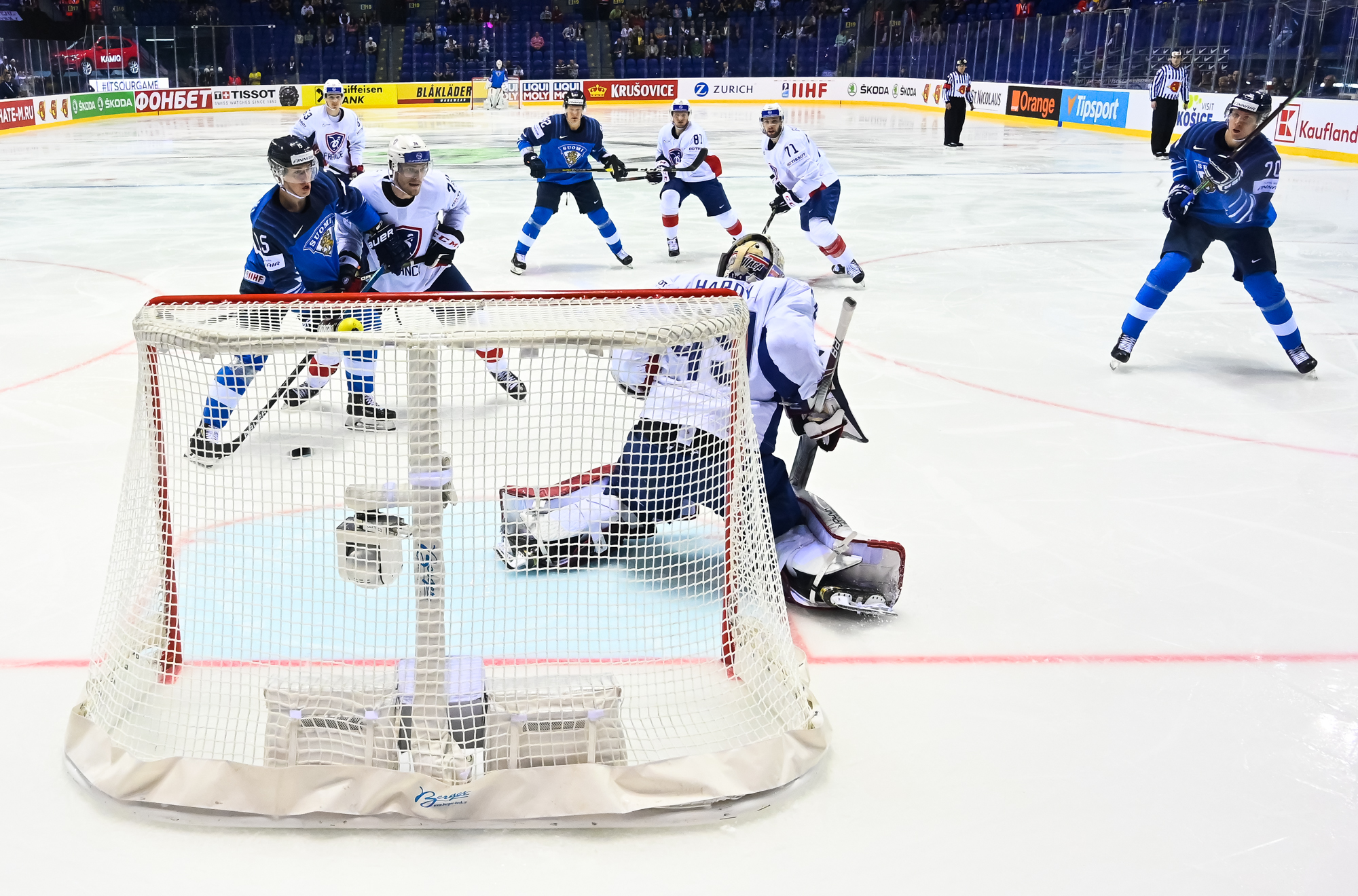 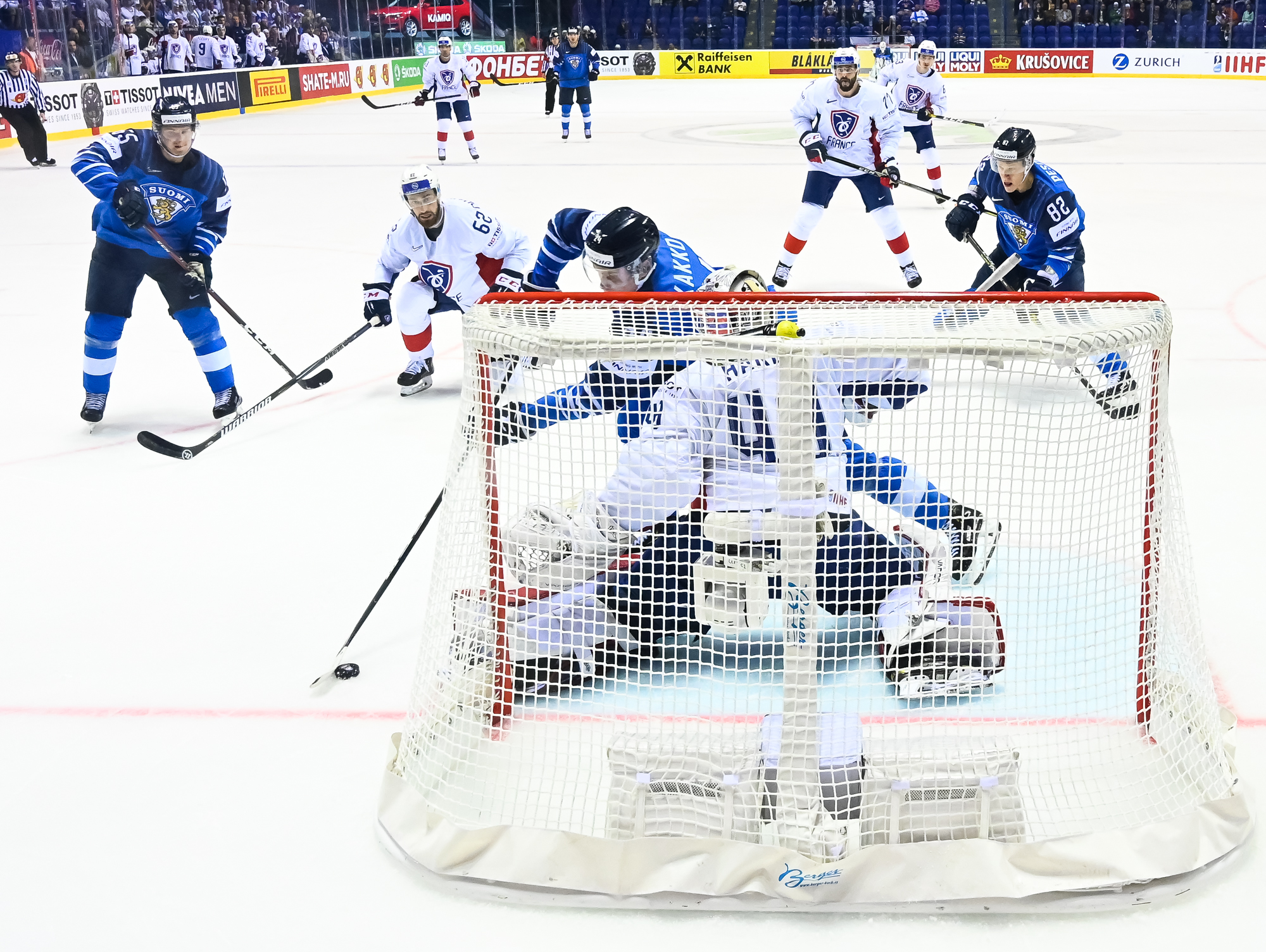 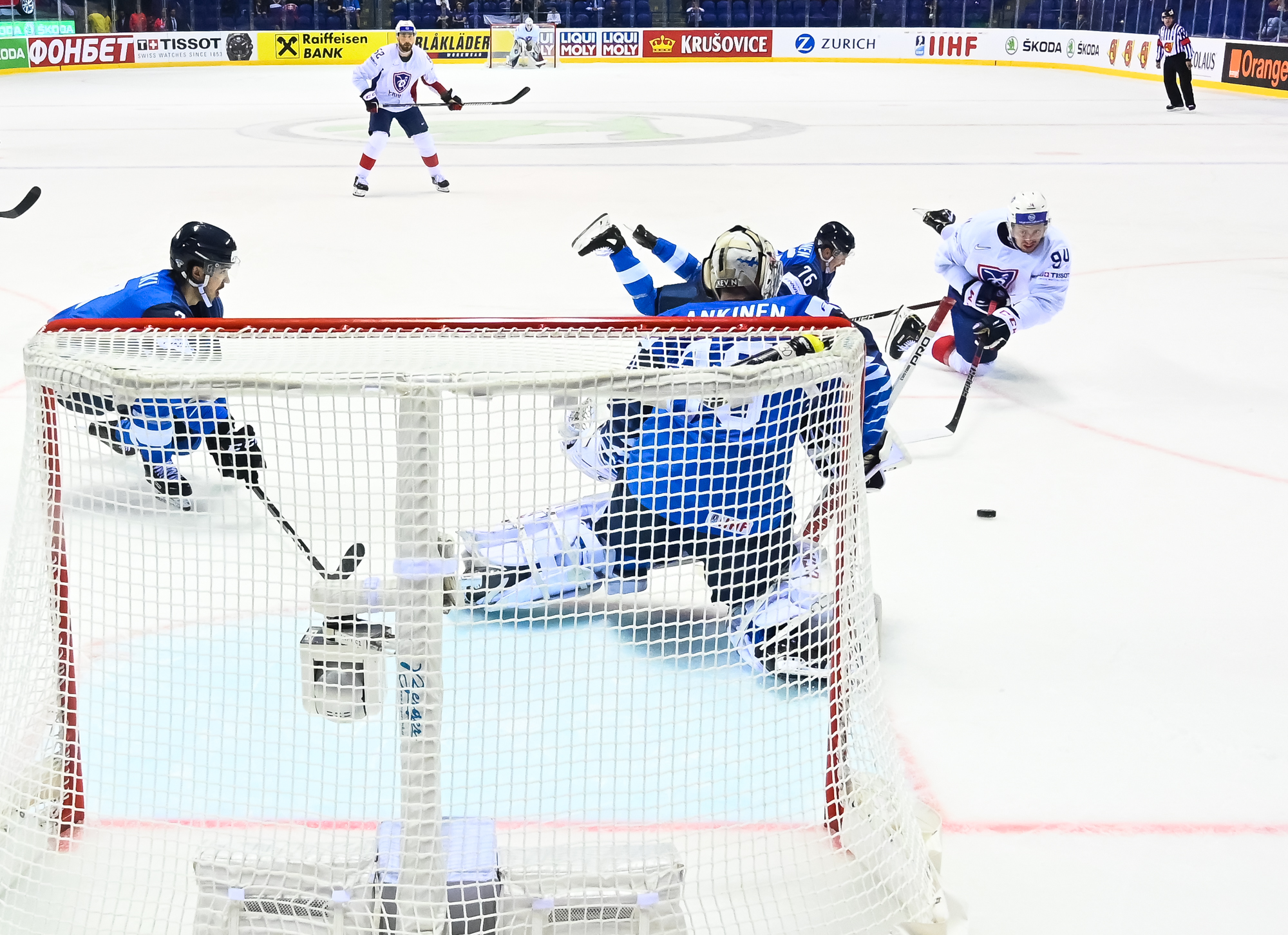 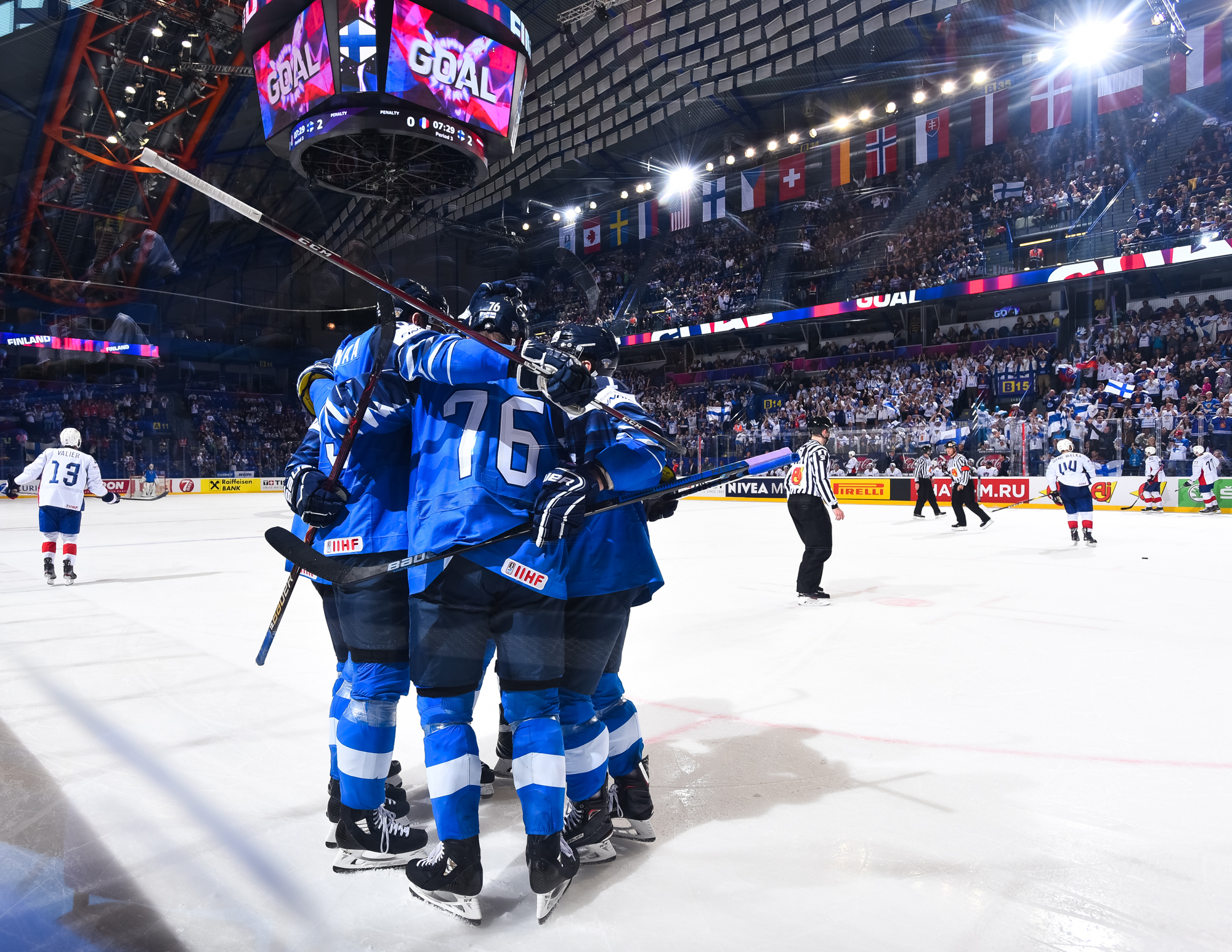 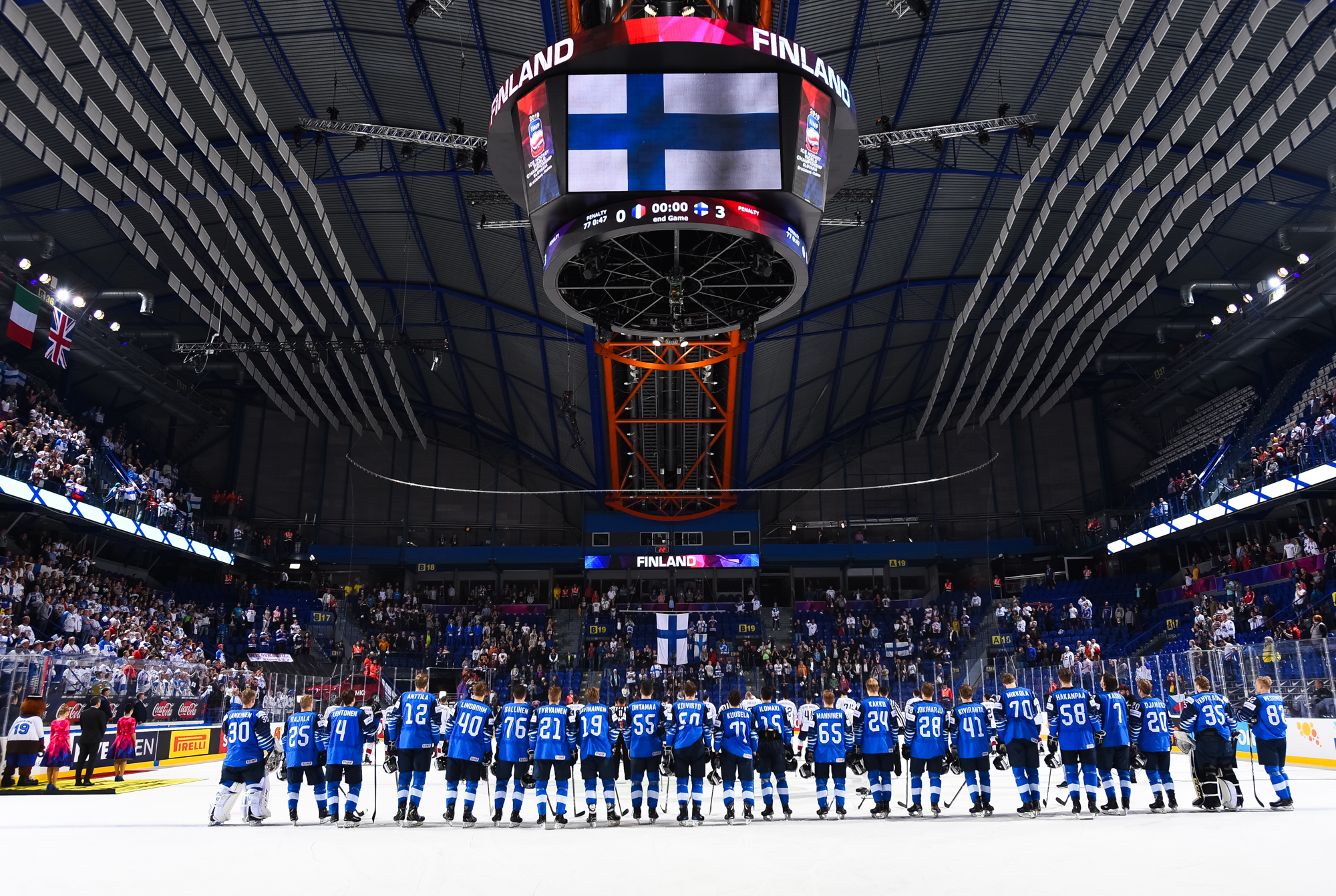 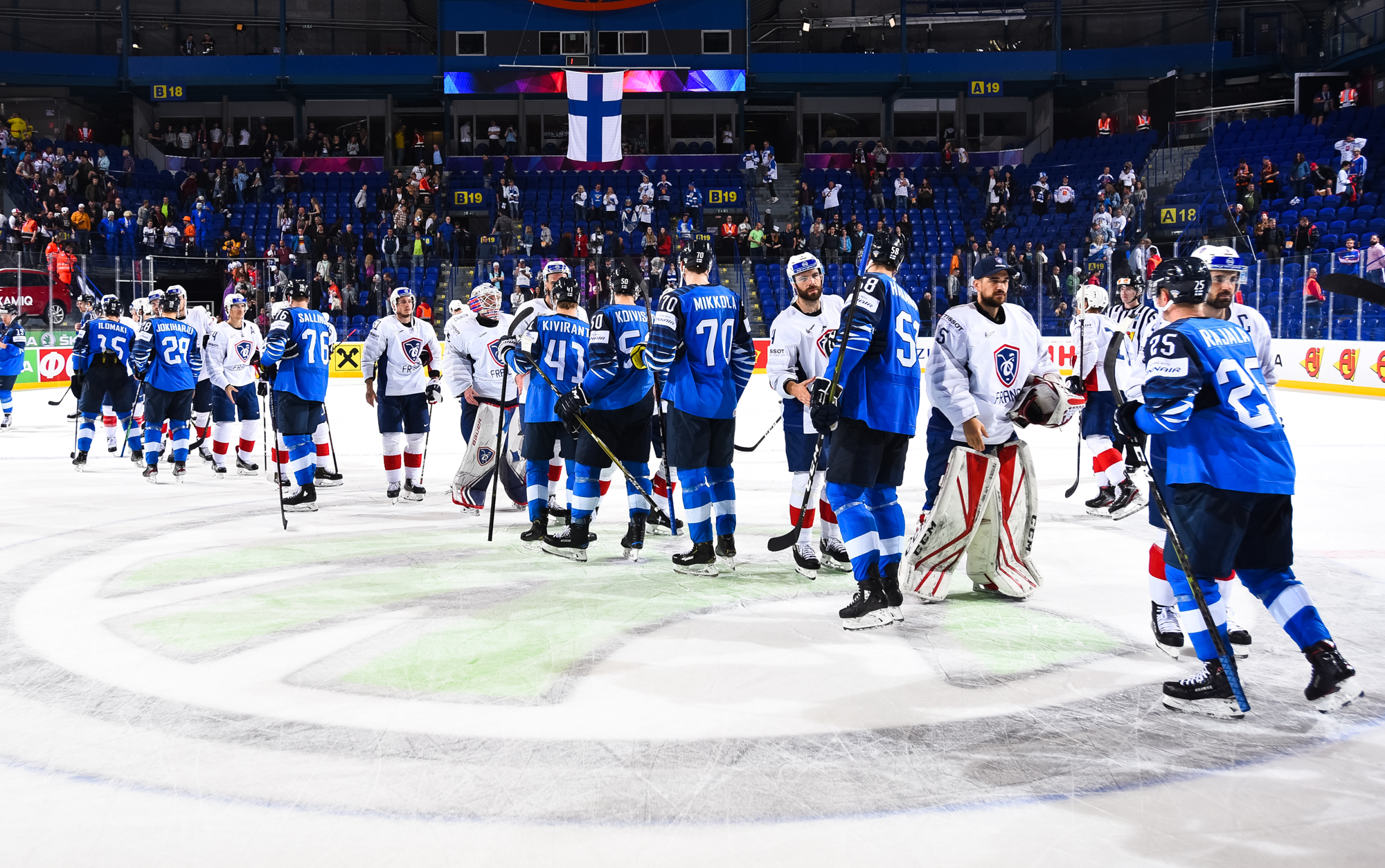 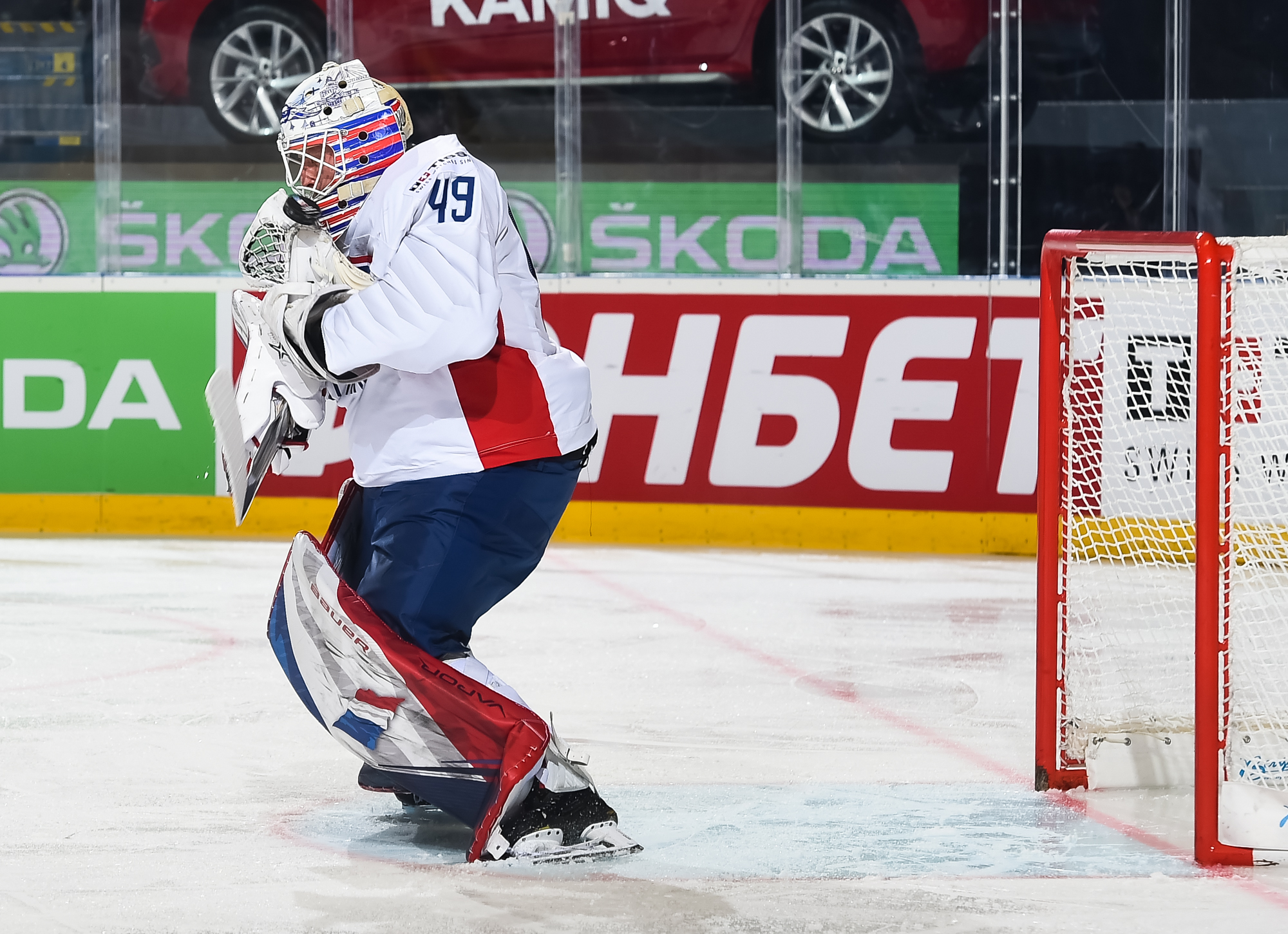 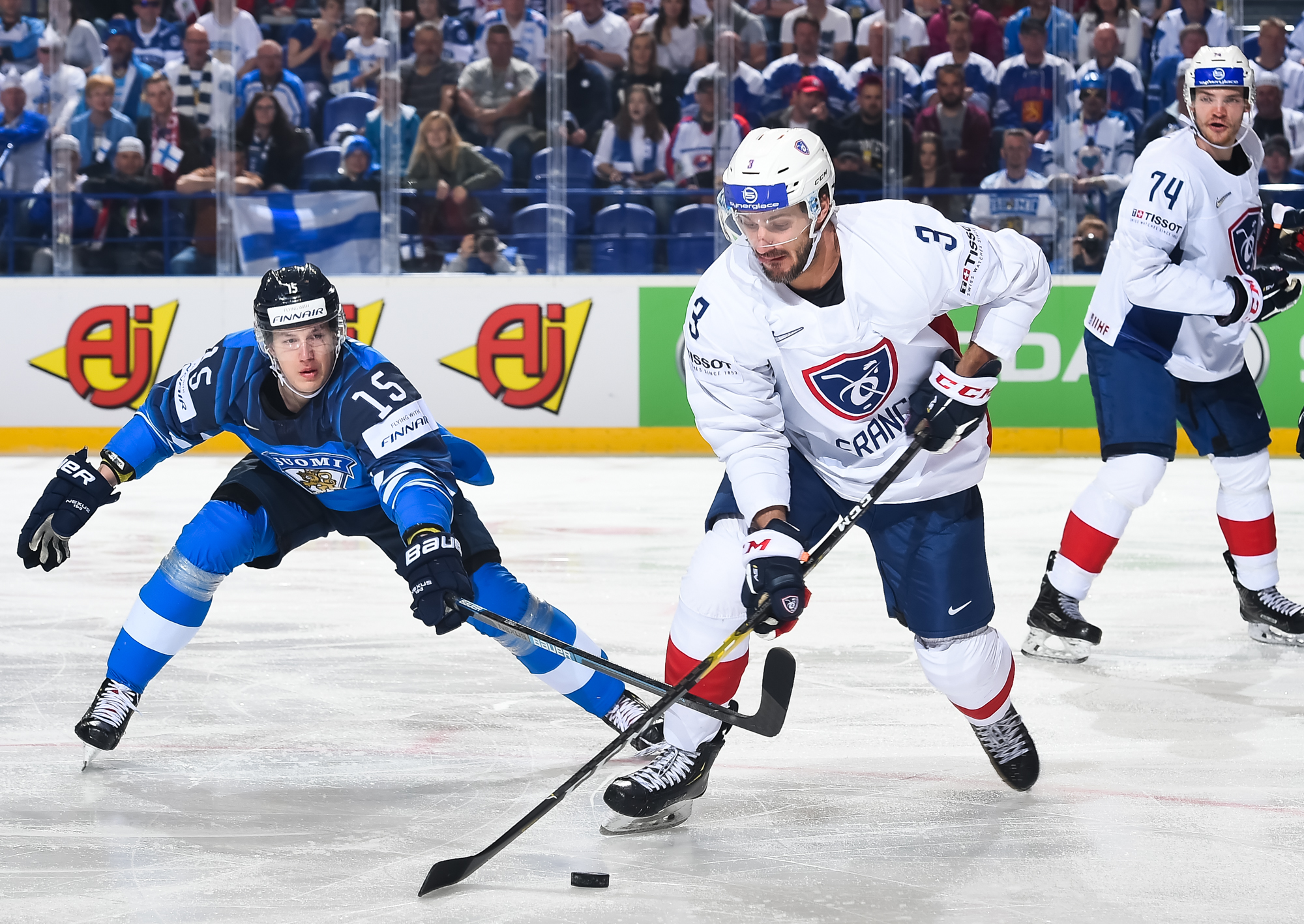 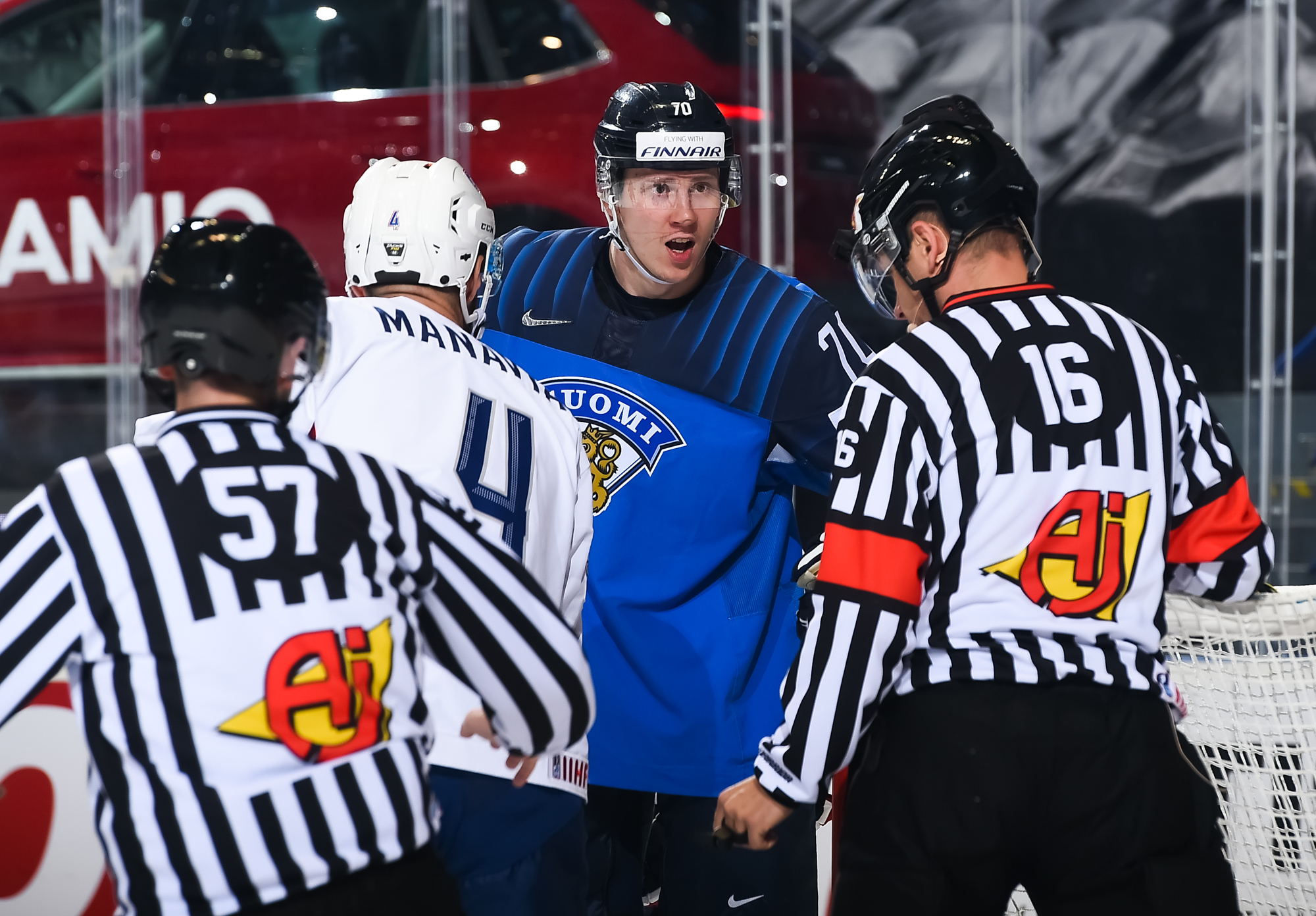 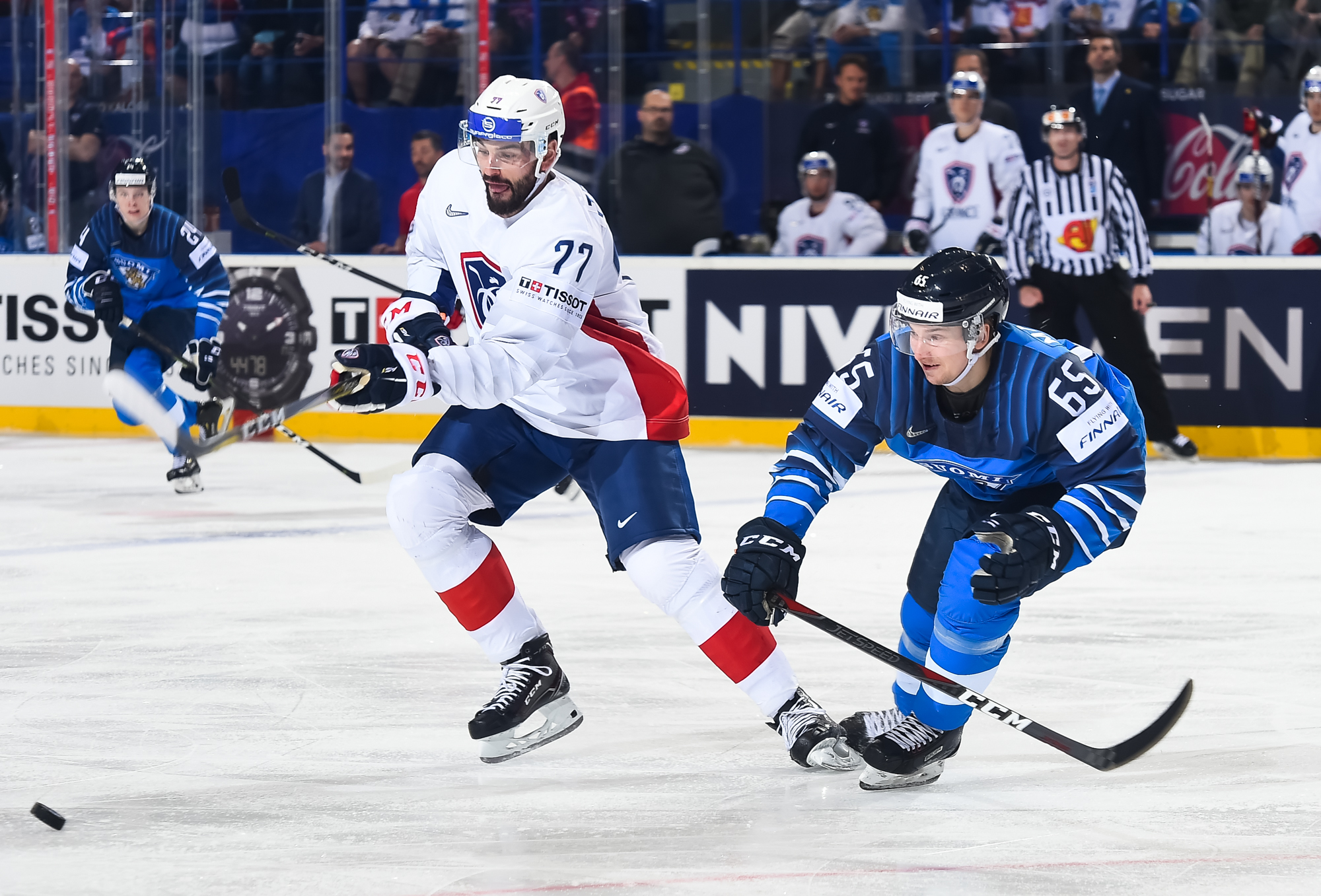 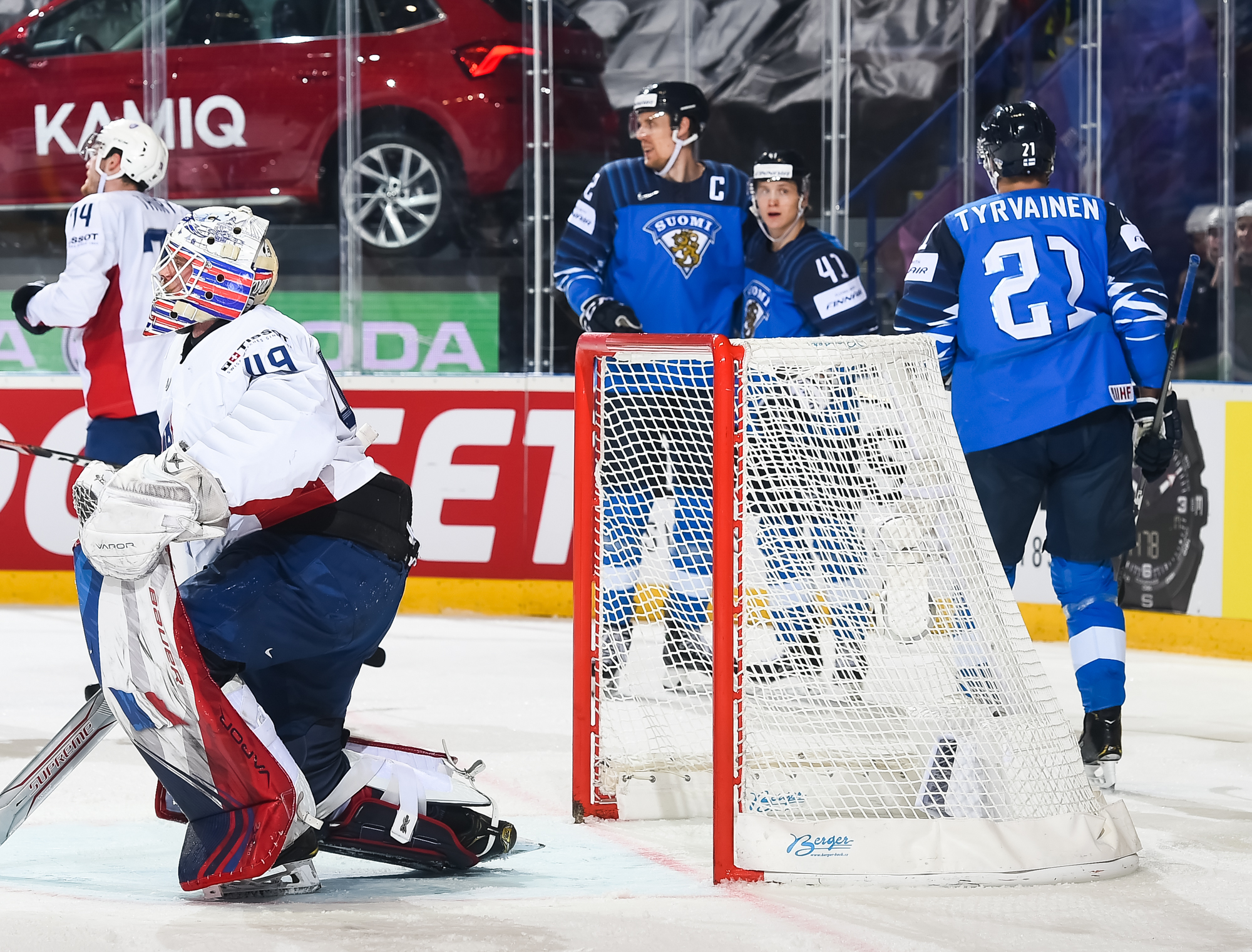 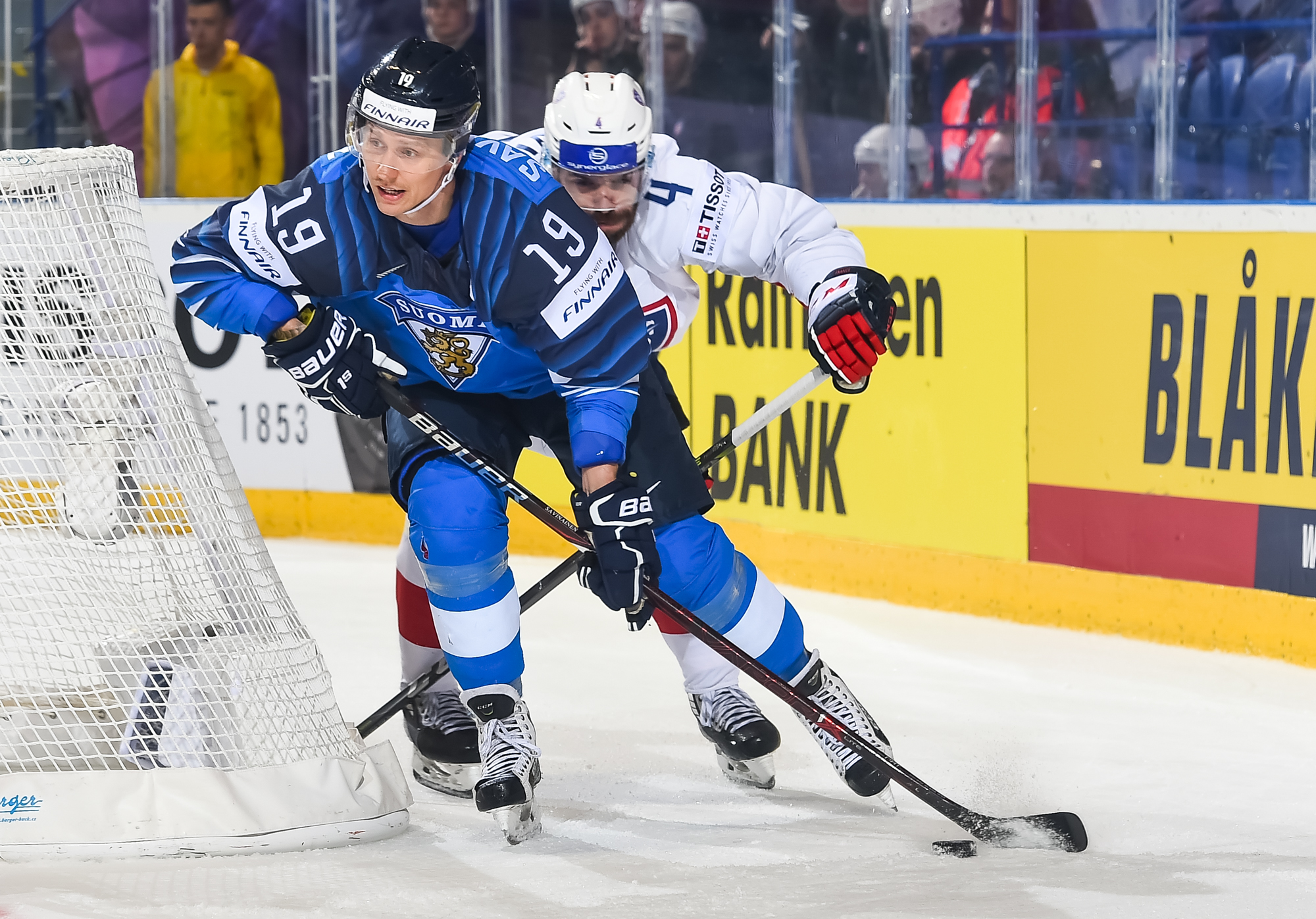 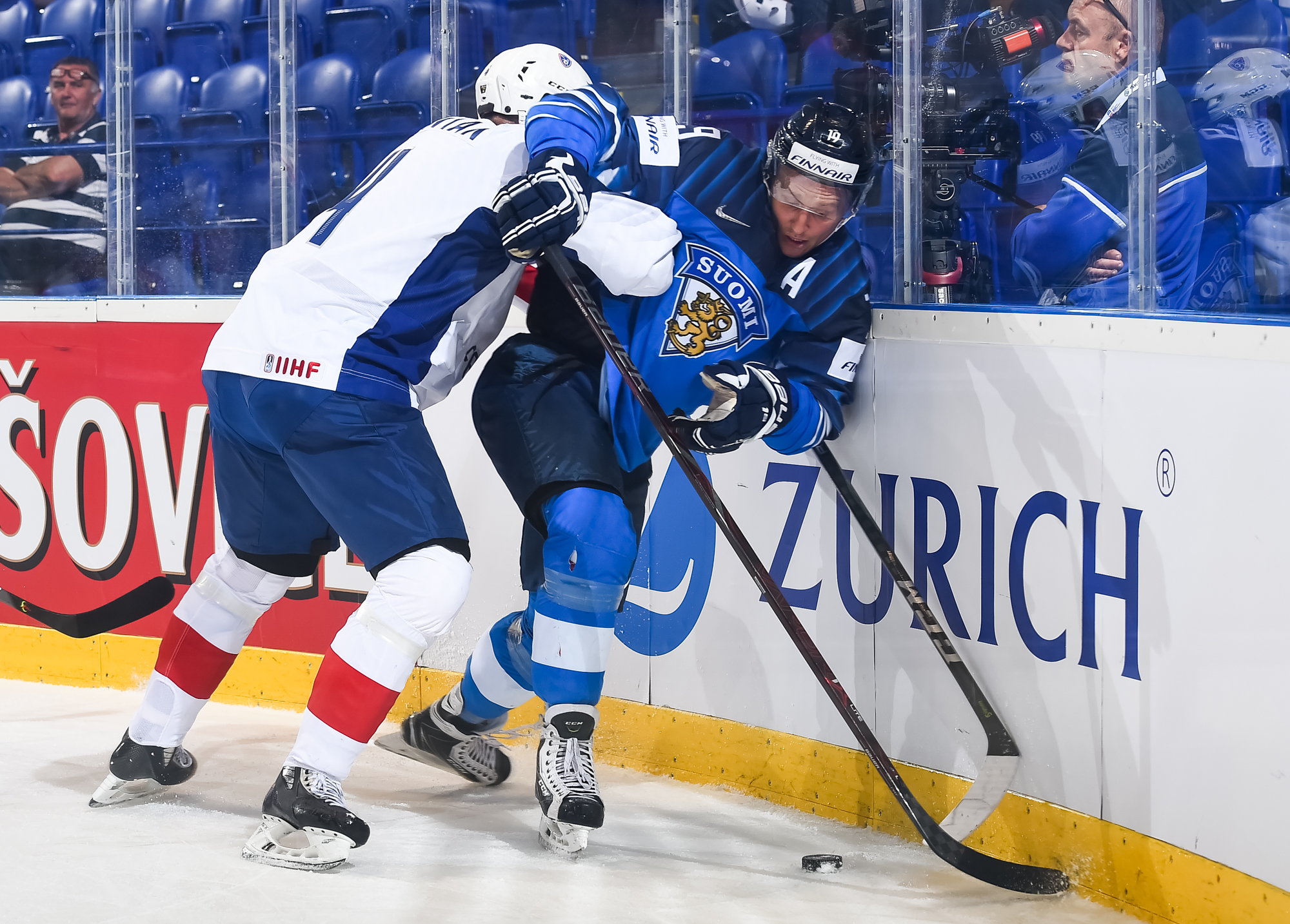 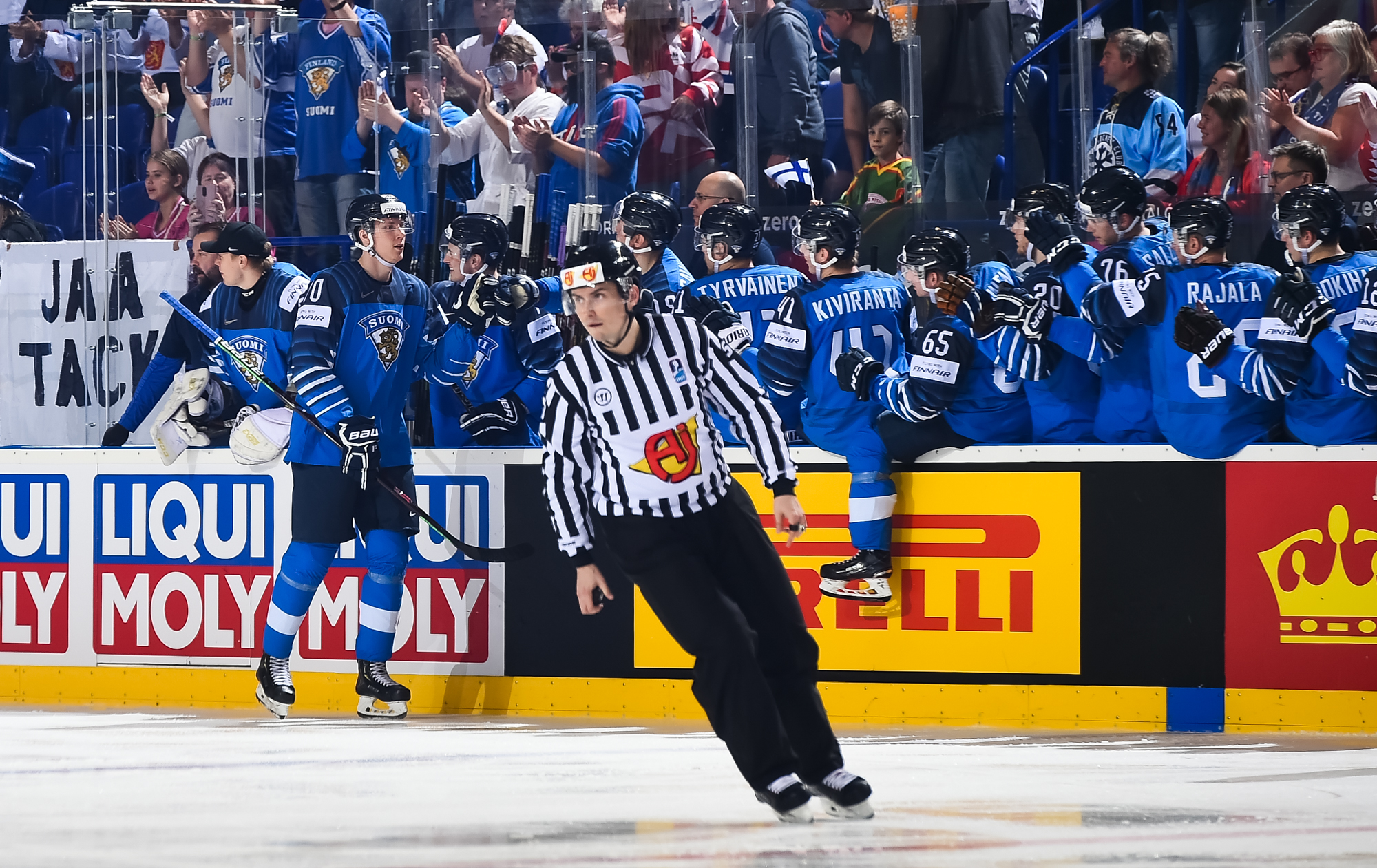 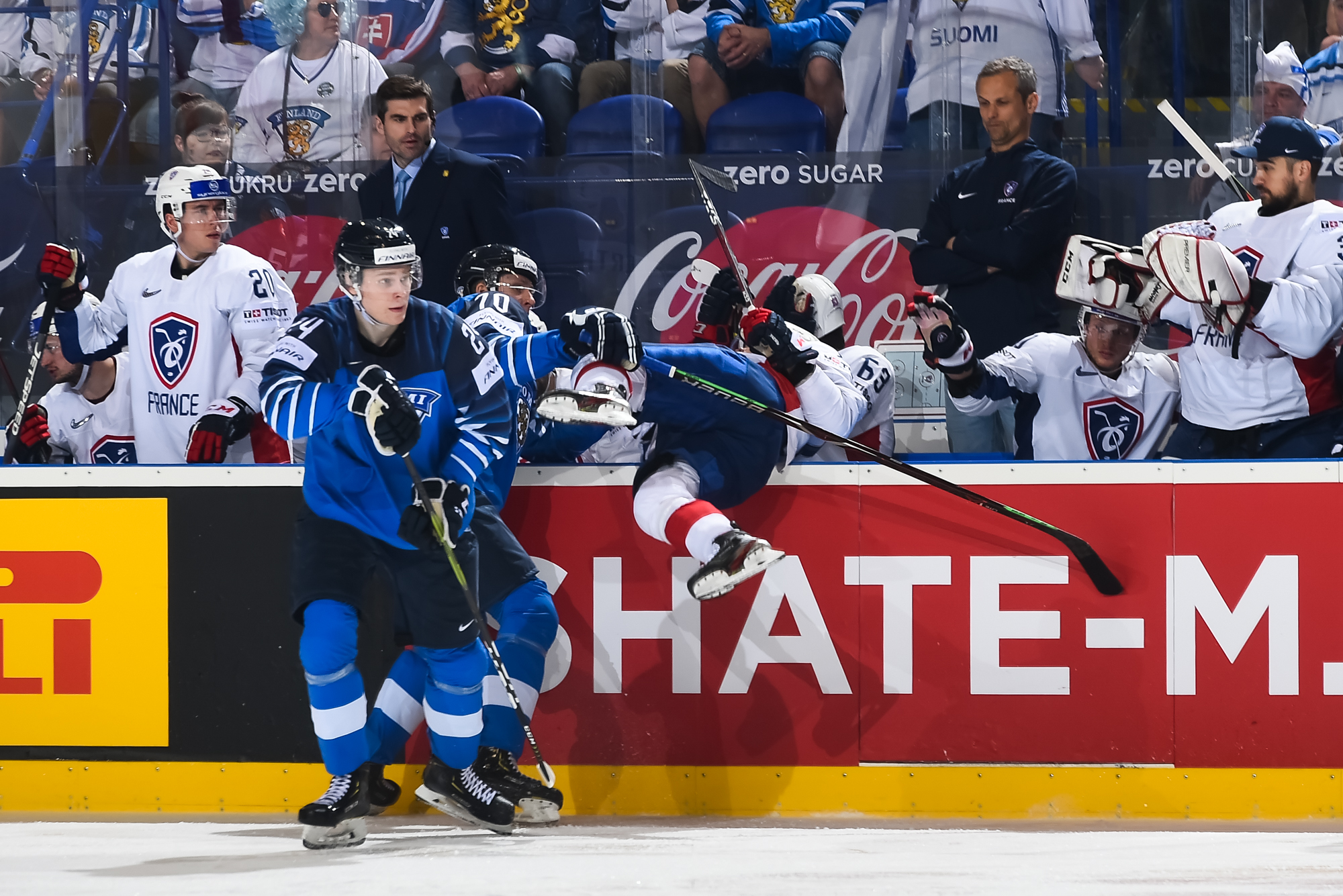 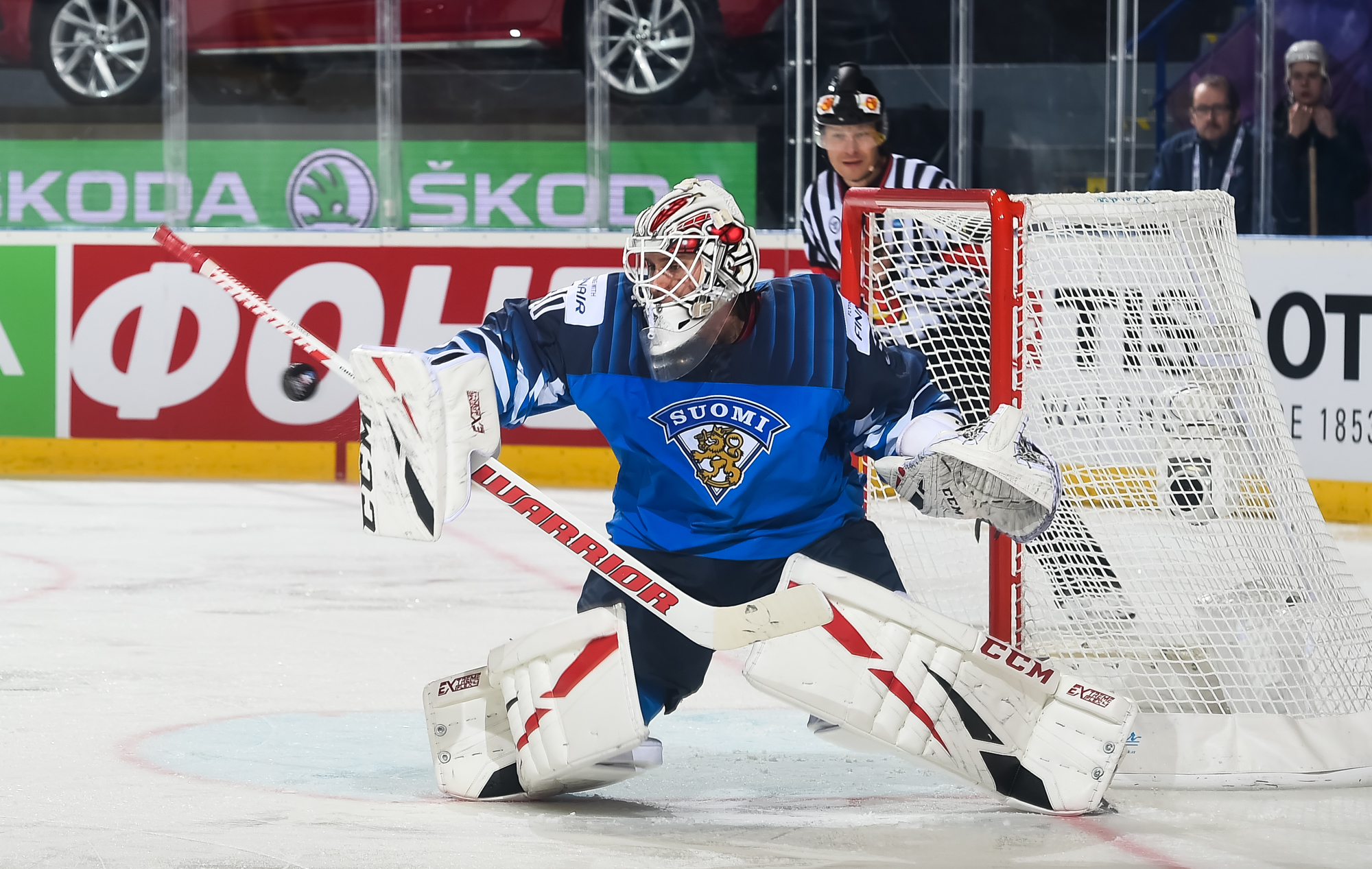 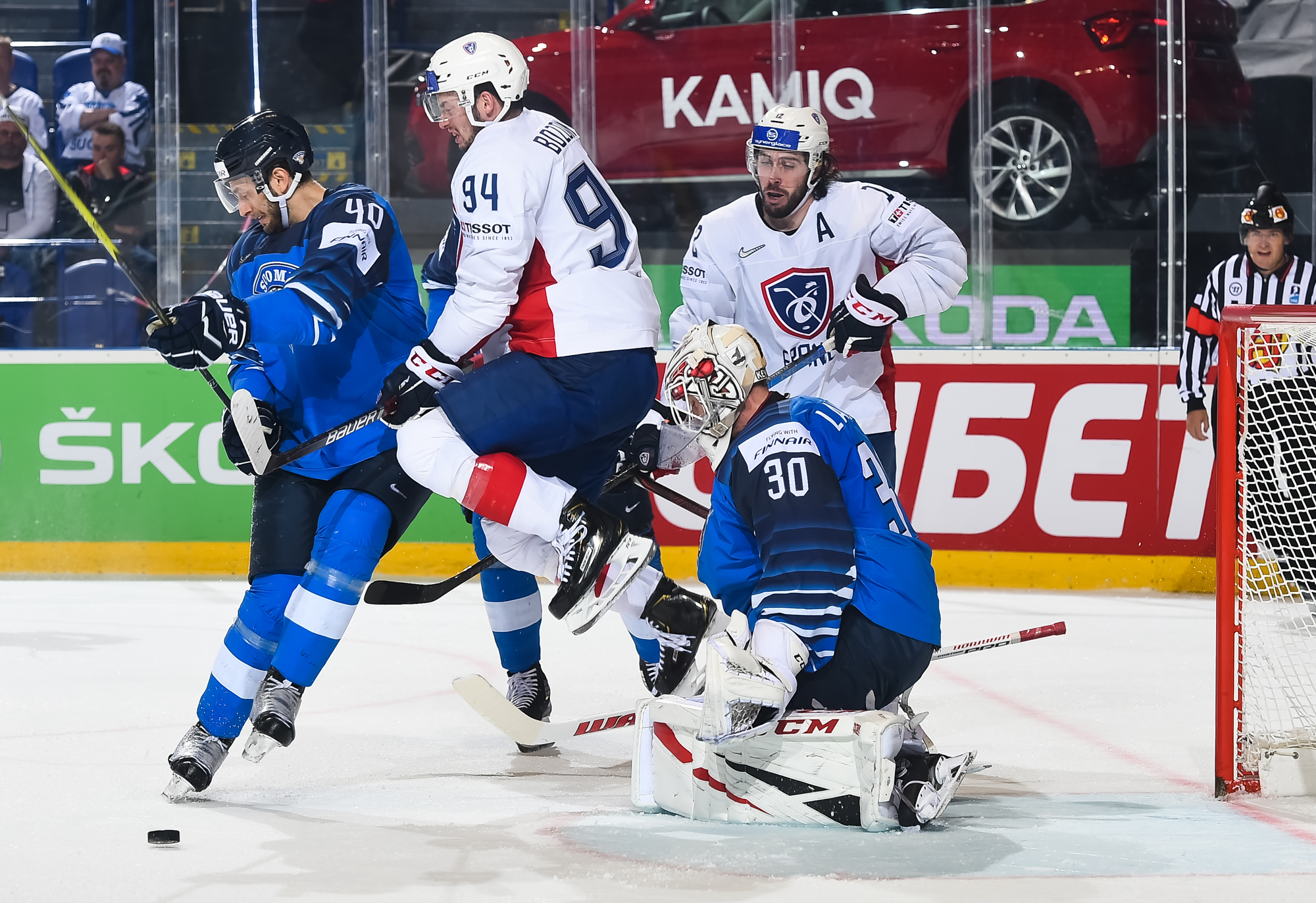 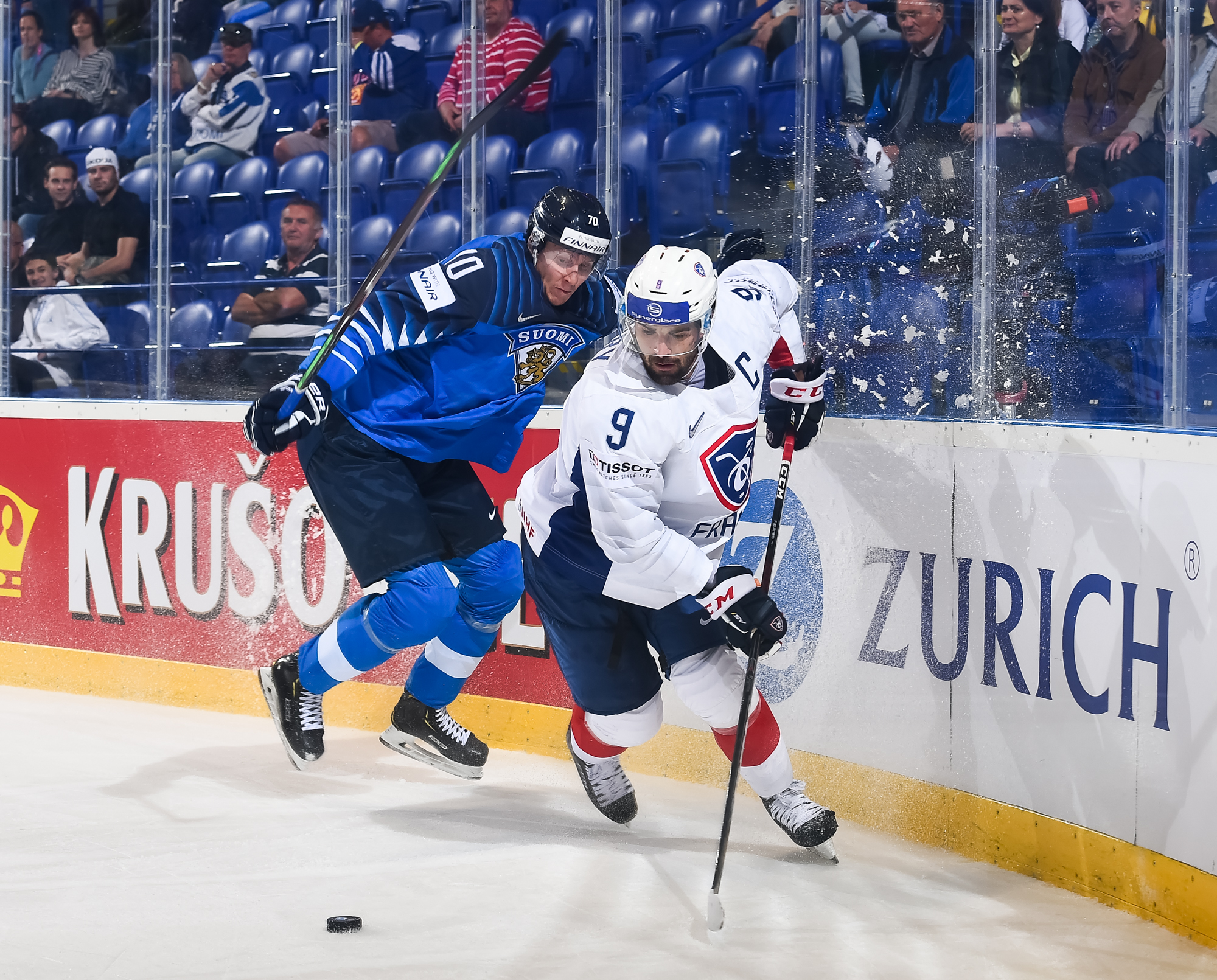 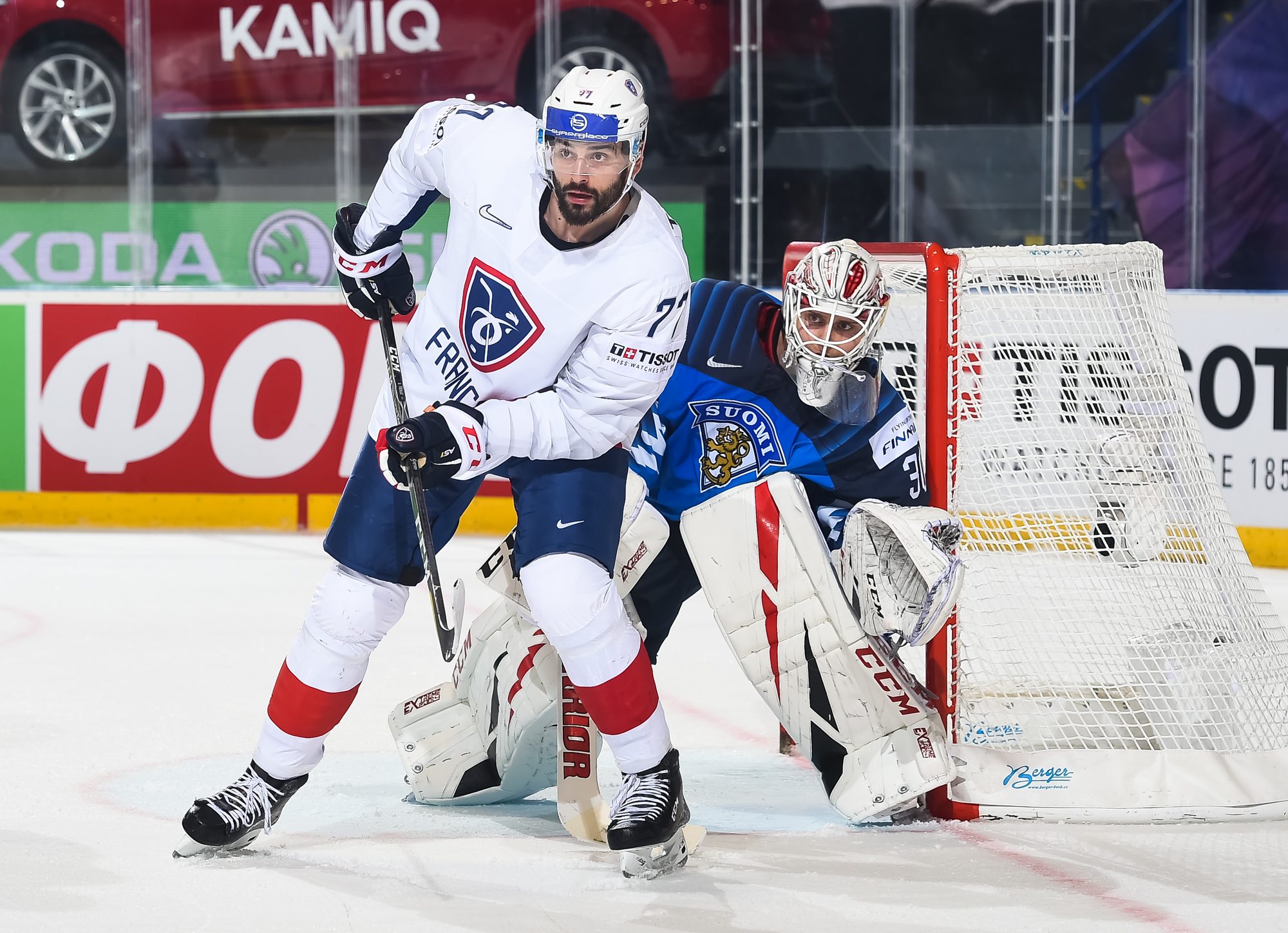 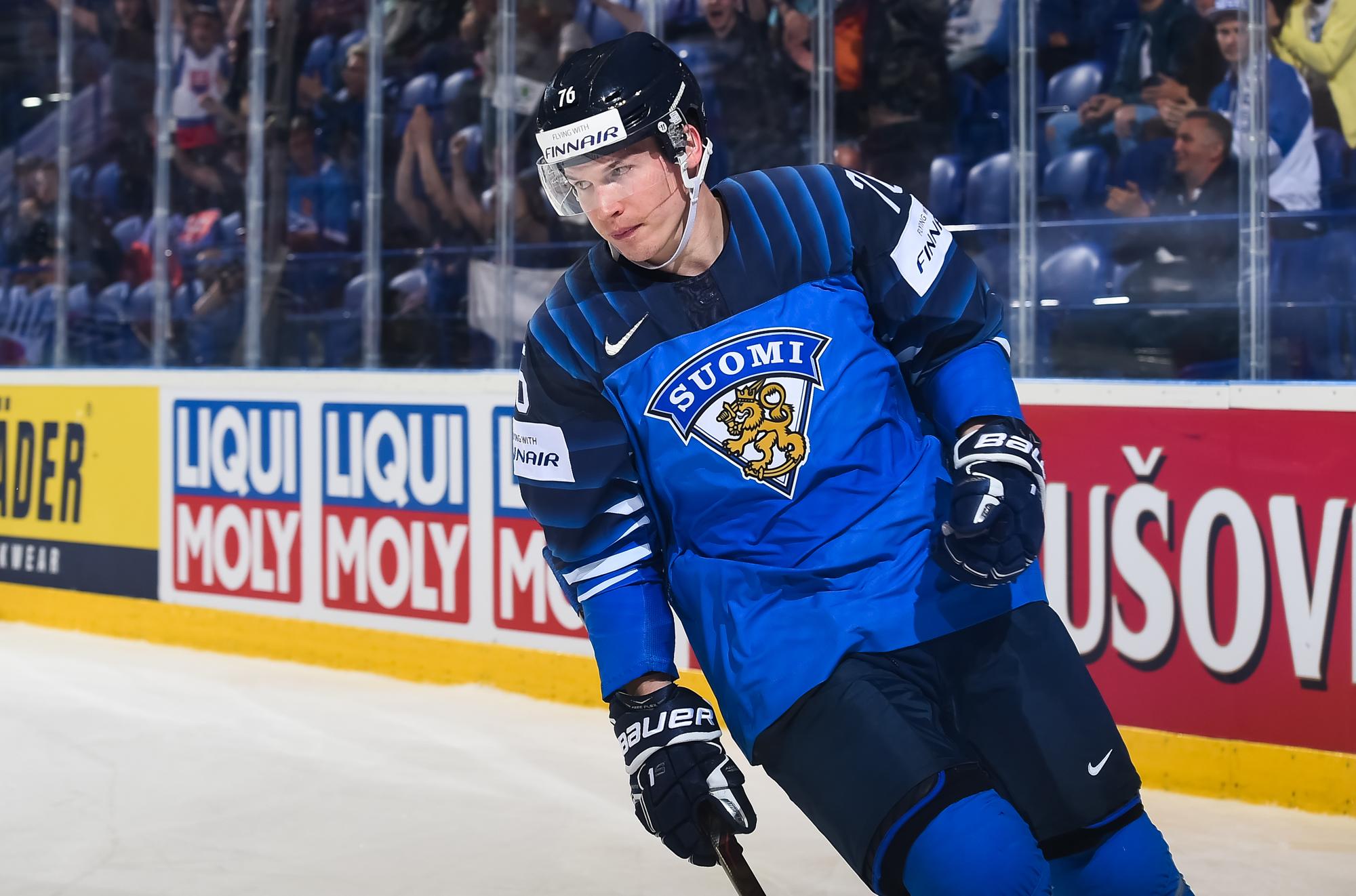 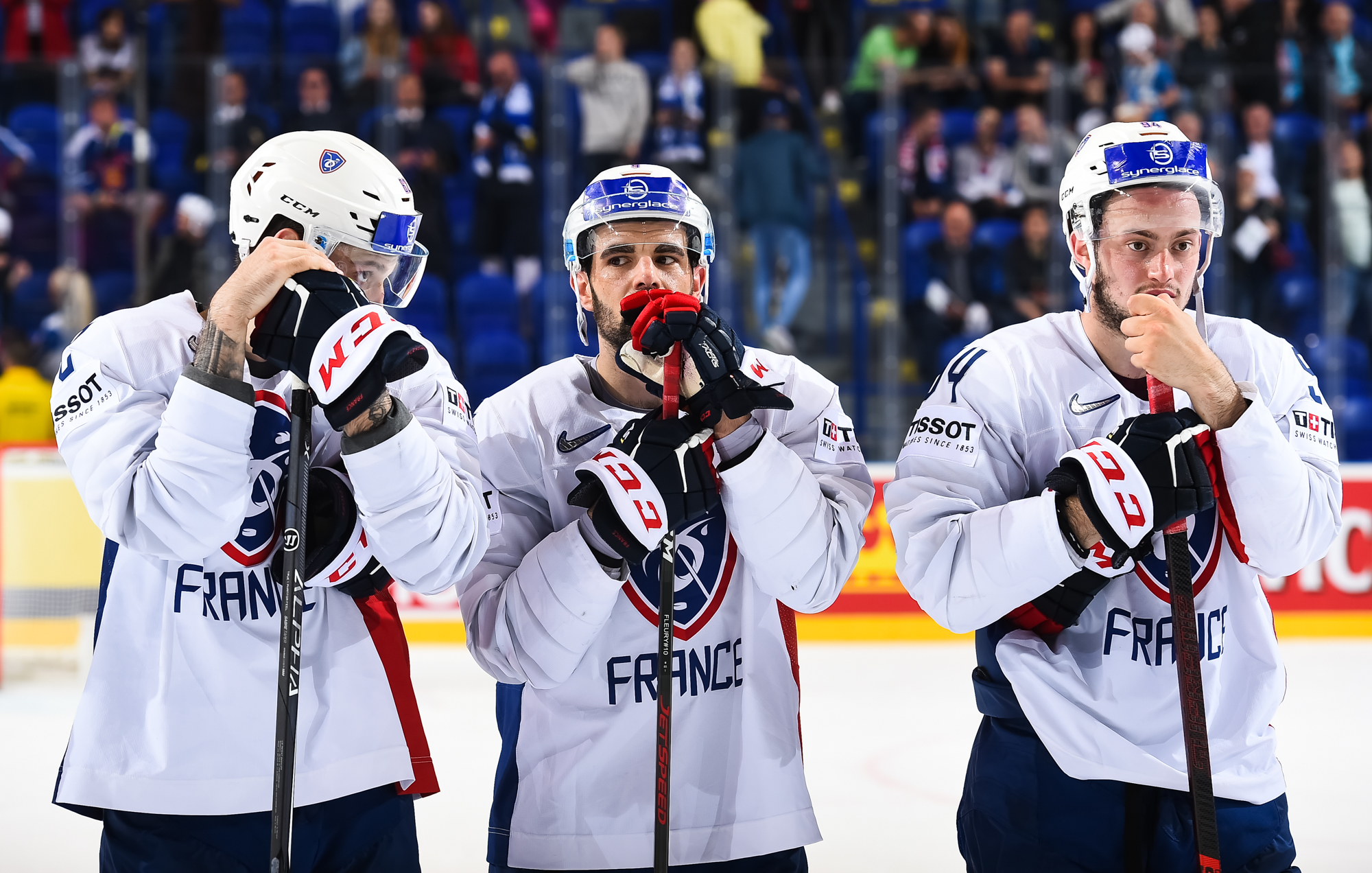 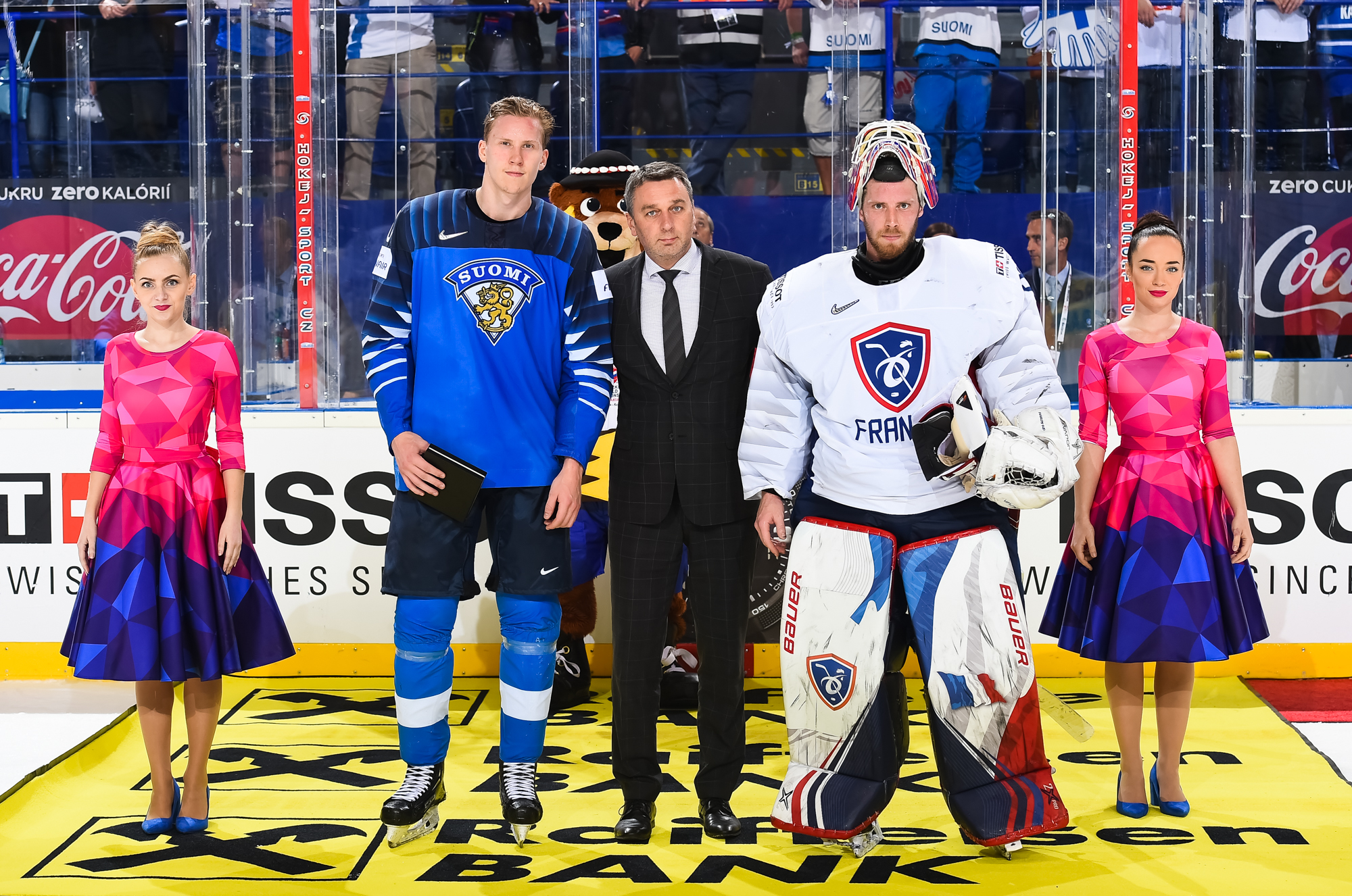