Canada finishes first
Canada's Shea Theodore (#27) battles for the puck with USA's Derek Ryan (#10).
photo: Matt Zambonin / HHOF-IIHF Images
share
Canada played its best game so far and was rewarded with a textbook 3-0 win over the United States tonight at Steel Arena. The win gives Canada top spot in Group A and a date in Kosice with Switzerland in one quarter-final on Thursday.

Matt Murray stopped 28 shots for the winners and gave up nary a rebound all night, and the team played virtually flawless defence in front of him. His best save came near the end of the game on a U.S. power play when he stuck out his left pad to deny James van Riemsdyk.

The U.S. loss is significant. Combined with Russia's win over Sweden, it means the Americans finish fourth and will travel to Bratislava for an unpleasant QF date with the undefeated Russians.

"The Americans worked hard today; they’re a great team," Murray offered. "But our defence was huge today, and that was the key to the game. I think we got better and better with each game. We started off a bit slow, but in each game we got better, and we want to continue that."

"I think our D[efence] played great," Kyle Turris agreed. "Murray played really well in net, but our D transitioned phenomenally well, they moved it at speed. It was just a really good team effort."

Canada was full measure for the win tonight, doing just about everything right. The Americans had some chances but couldn't hit the net, but they were also second to many loose pucks and couldn't get into the dirty areas in Canada's end often enough.

"We have to limit the chances we give," said Zach Werenski. "Some of the goals were breakdowns in our end and they capitalized. We need to clean that up and when we get chances we need to bear down and finish them. We had chances tonight early on and we were missing that, we didn’t pick our corner, that kind of thing. We need to make sure our passes are crisp and we get scoring chances."

U.S. coach Jeff Blashill brought Johnny Gaudreau back into the lineup, and 18-year-old Jack Hughes was a healthy scratch.

The Canadians dominated the opening period, starting with an early goal that gave them the edge the rest of the way. Mark Stone, wearing the number 61 that Canadians long associated with the recently-retired Rick Nash, went around the American goal and dropped a pass back to Pierre-Luc Dubios, who had the whole back door side to deposit the puck into.

That goal came at 1:49, and the Canadians never looked back. They doubled their lead at 8:02 on a great series of plays by Anthony Mantha. First, he crushed James van Riemsdyk with a hard shoulder check just inside the Canada line. Then, he got the puck and streaked up ice with captain Kyle Turris. Finally, he slid a nice pass to Turris, and he wired the puck over the glove of a sprawling Schneider.
World Men
Canada vs. USA - 2019 IIHF Ice Hockey World Championship
Canada played its best game so far and was rewarded with a textbook 3-0 win over the United States.
CAN USA 21 MAY 2019
Canada had several other fine scoring chances, but as important it played superbly in its own end, clearing pucks from in front of Murray, keeping the U.S. to the outside, blocking shots, and getting the puck out efficiently.

As for blocking shots, American Dylan Larkin took a hard blast into his abdomen and was in considerable pain on the bench before going to the dressing room late in the first period. He didn't return, and his status for Thursday is unknown right now.

Canada continued its domination in the second, but in part because of some poor shooting and bad luck by the U.S. Frank Vatrano came out of the penalty box and had a breakaway, but his shot rang off the post behind Murray.

Mantha removed himself from the game for 12 minutes after a direct elbow to the head of Colin White, but the Canadian PK team came to his defence in fine fashion. Soon after, Stone scored a goal with a high stick that was disallowed, but Jared McCann made it 3-0 thanks to more bad luck for the Americans.

Derek Ryan was injured in his own zone as the puck came out, but as he struggled to his feet Turris got the puck back in to the U.S. end and fired a cross-ice pass to McCann. He beat Schneider with a shot under the arm.

Canada refused to give the Americans much in the third, getting sticks in every lane and pass, in open ice and along the boards. Tonight, the U.S. had no answers, but the stage is set for four thrilling quarter-finals games in two days' time.

"I think we’re playing well defensively," said Jonathan Marchessault. "We’re definitely playing better in the past few games. We’re able to get the big goals at the right time and we’re not cheating the game. I think that’s our strength."
Canada vs. USA - 2019 IIHF Ice Hockey World Championship 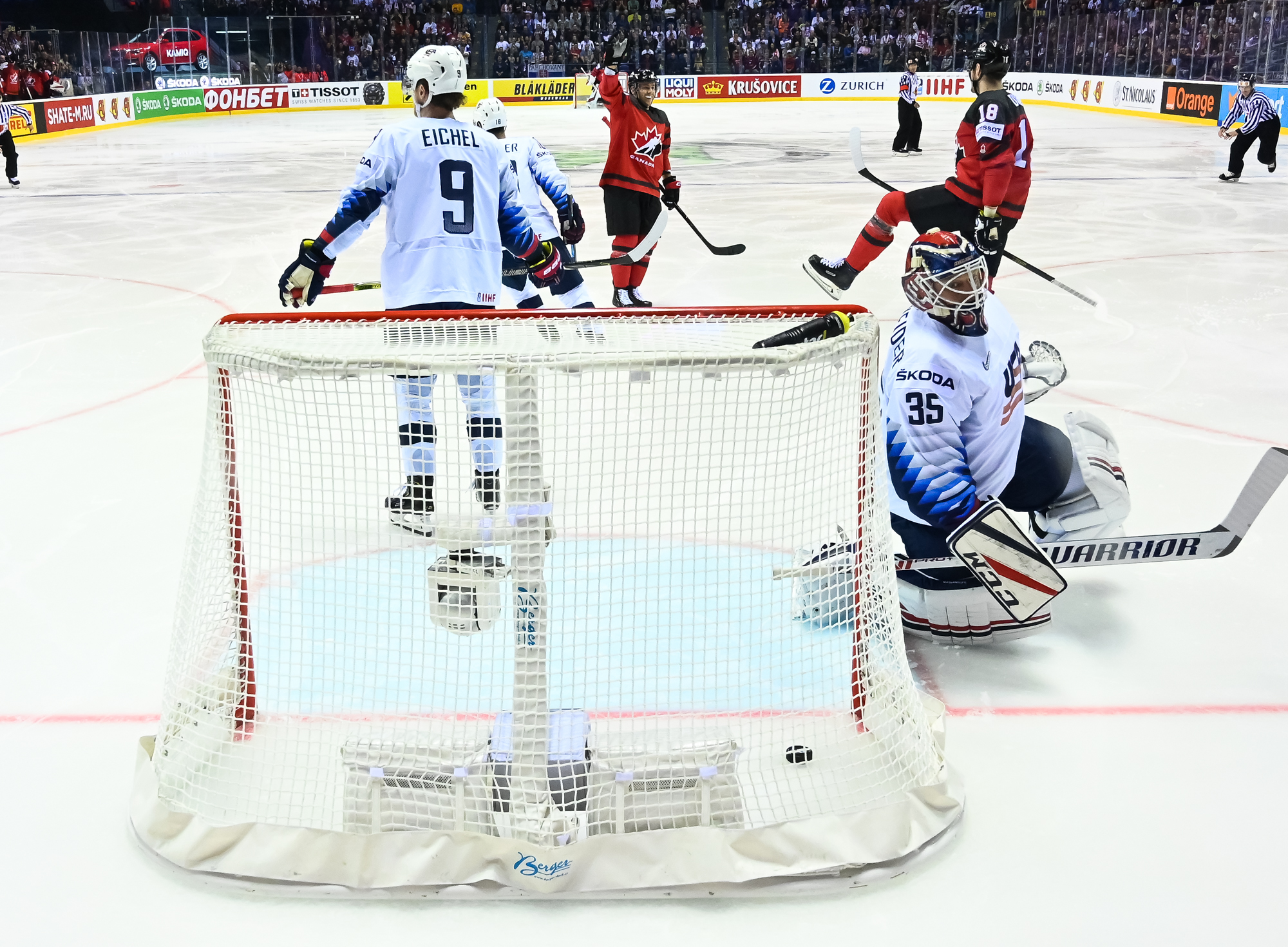 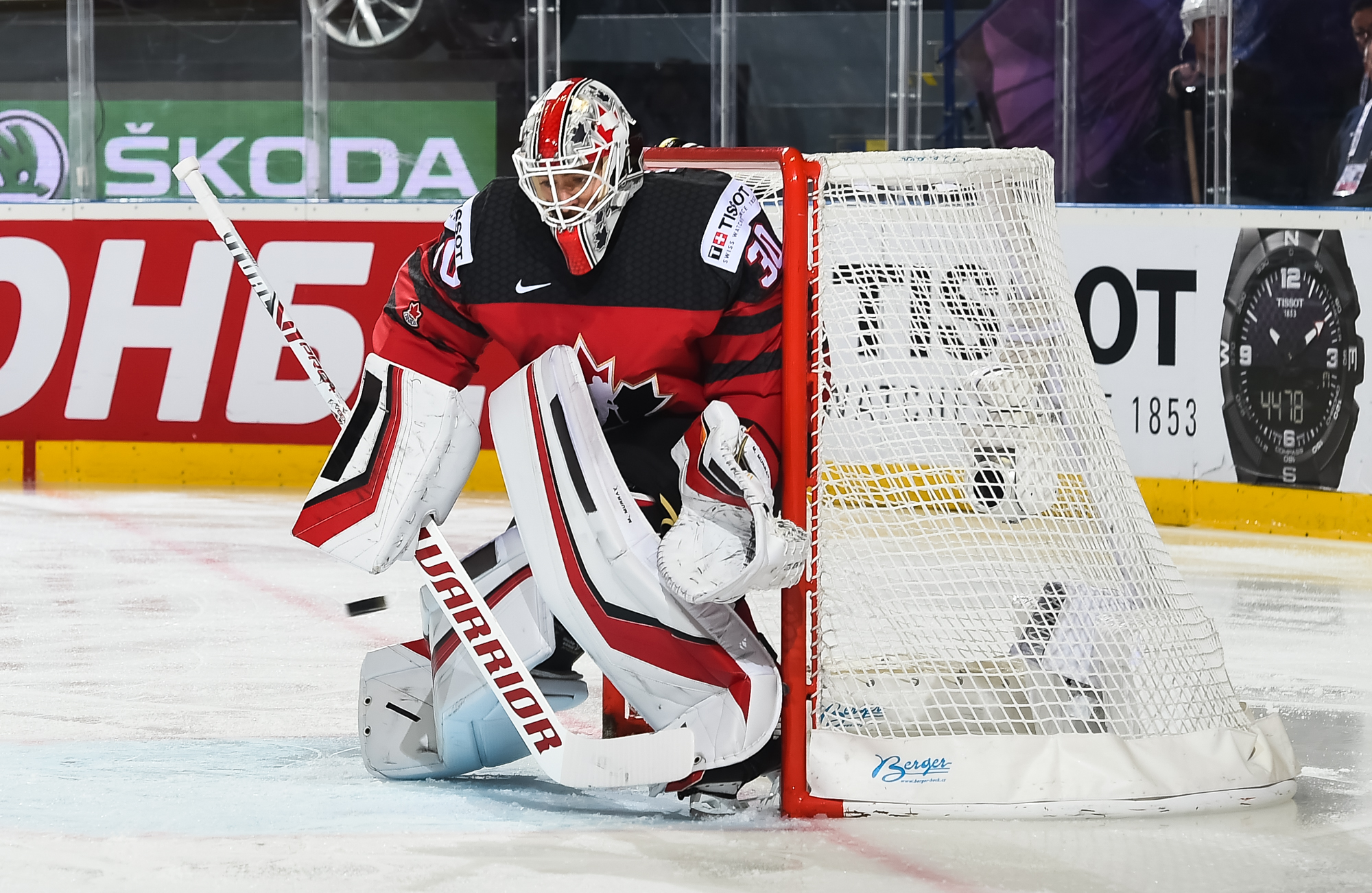 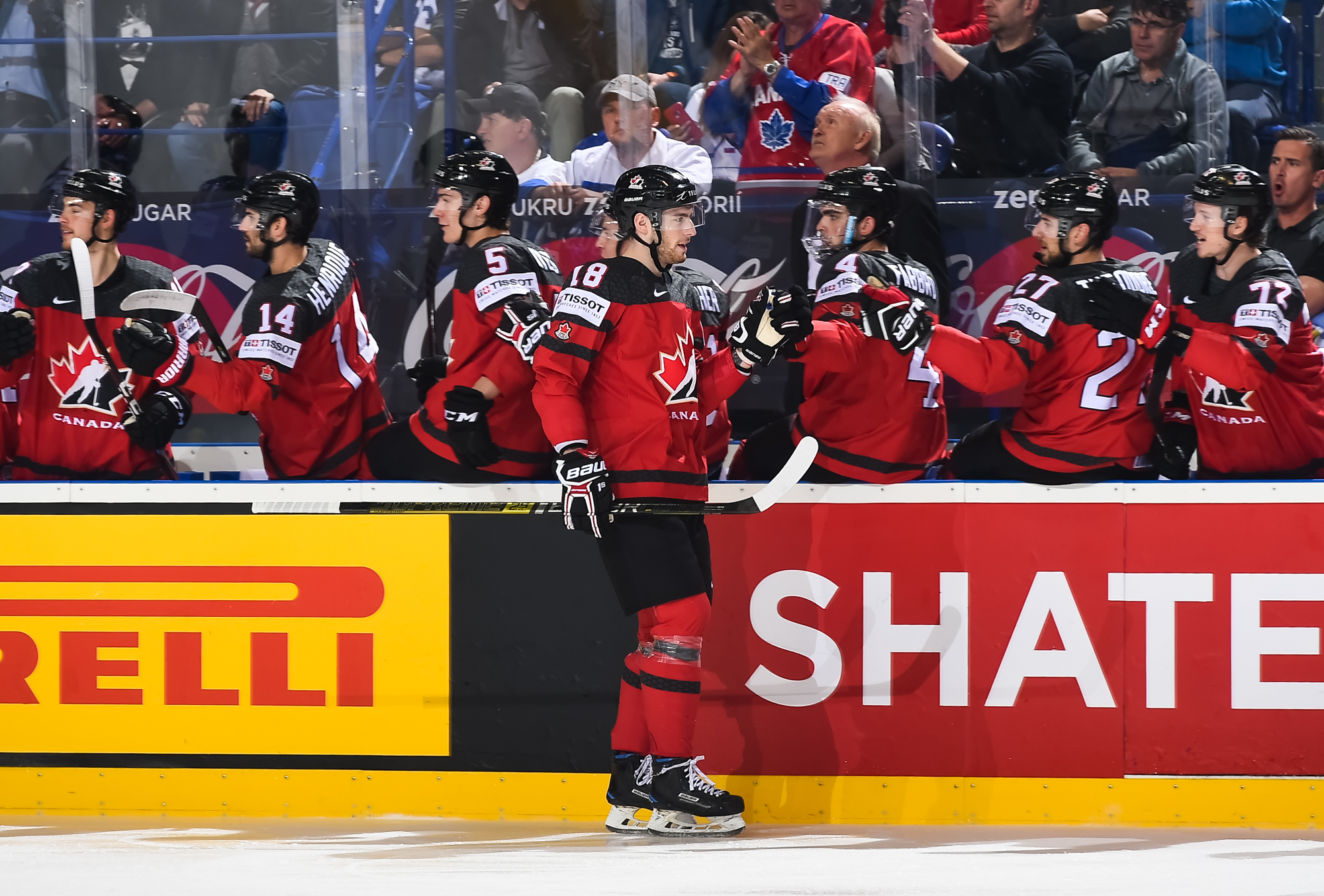 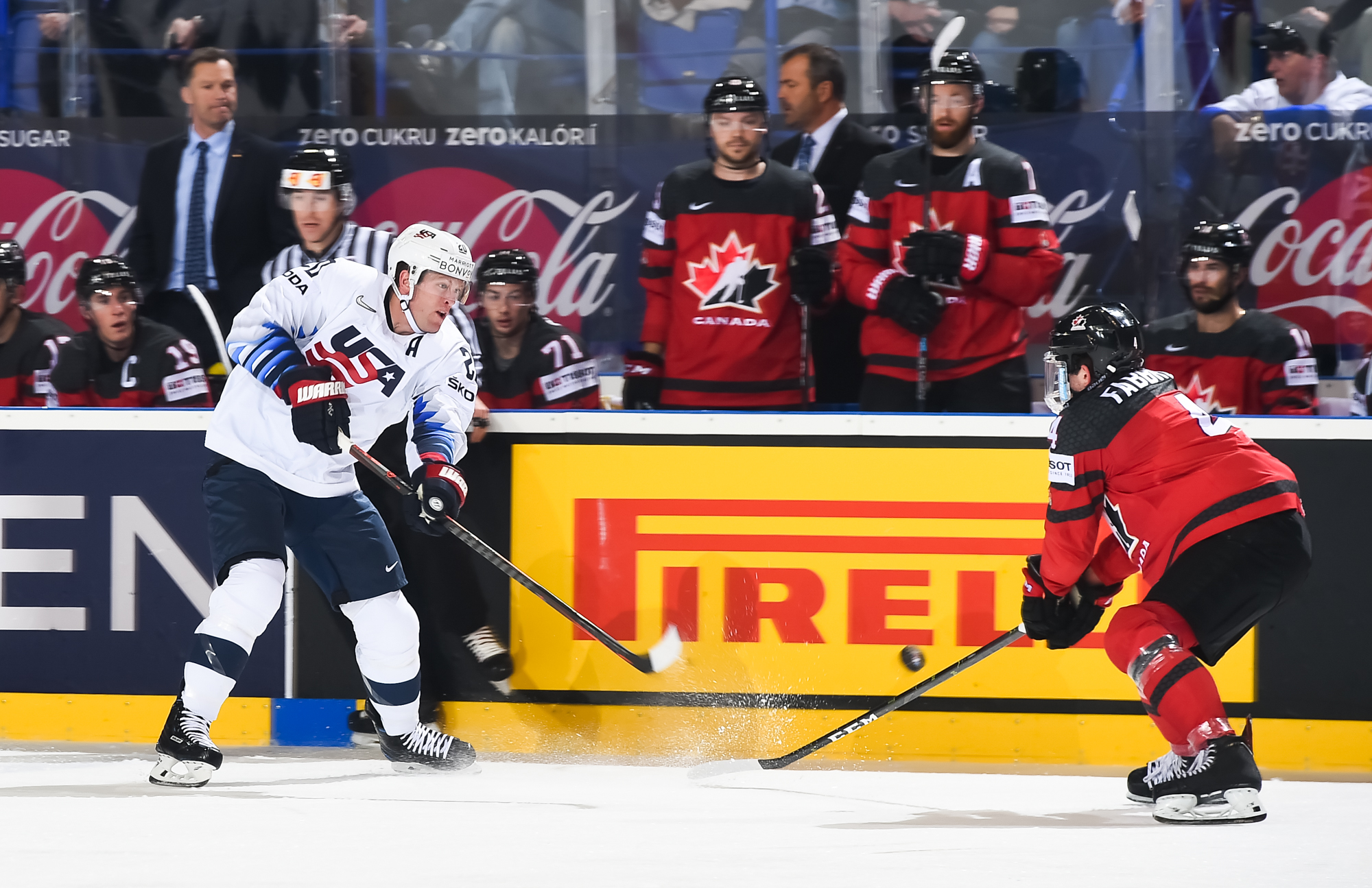 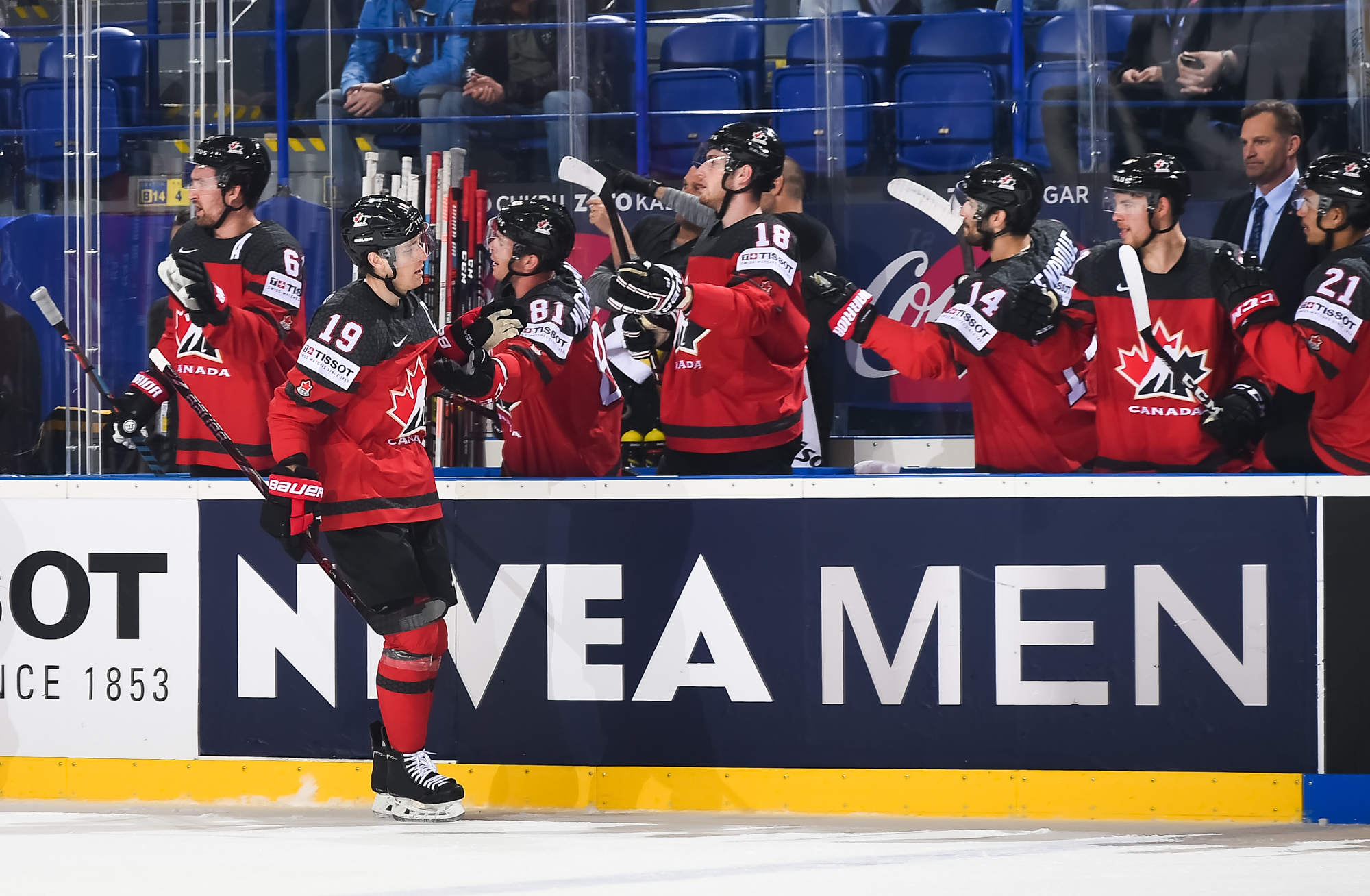 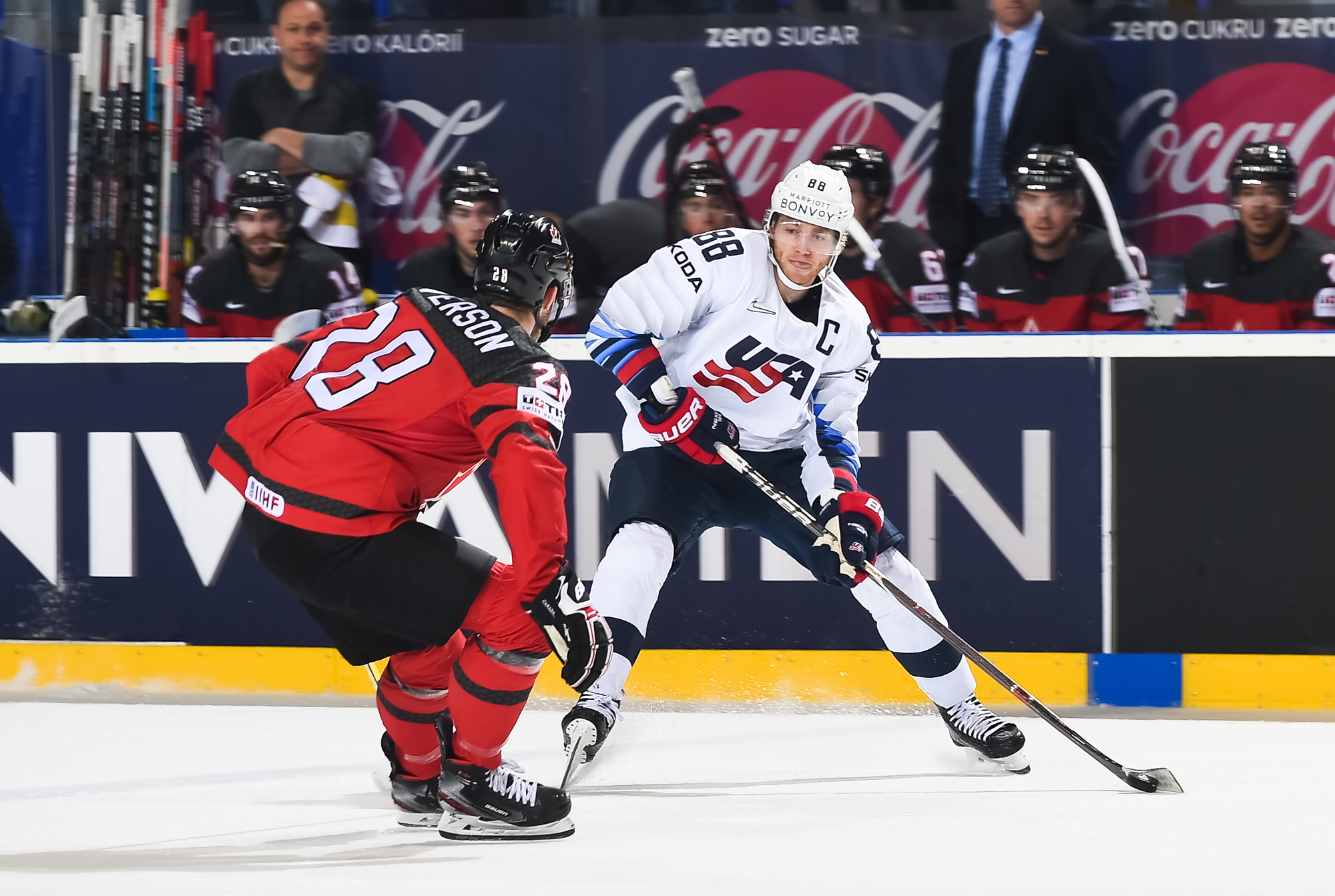 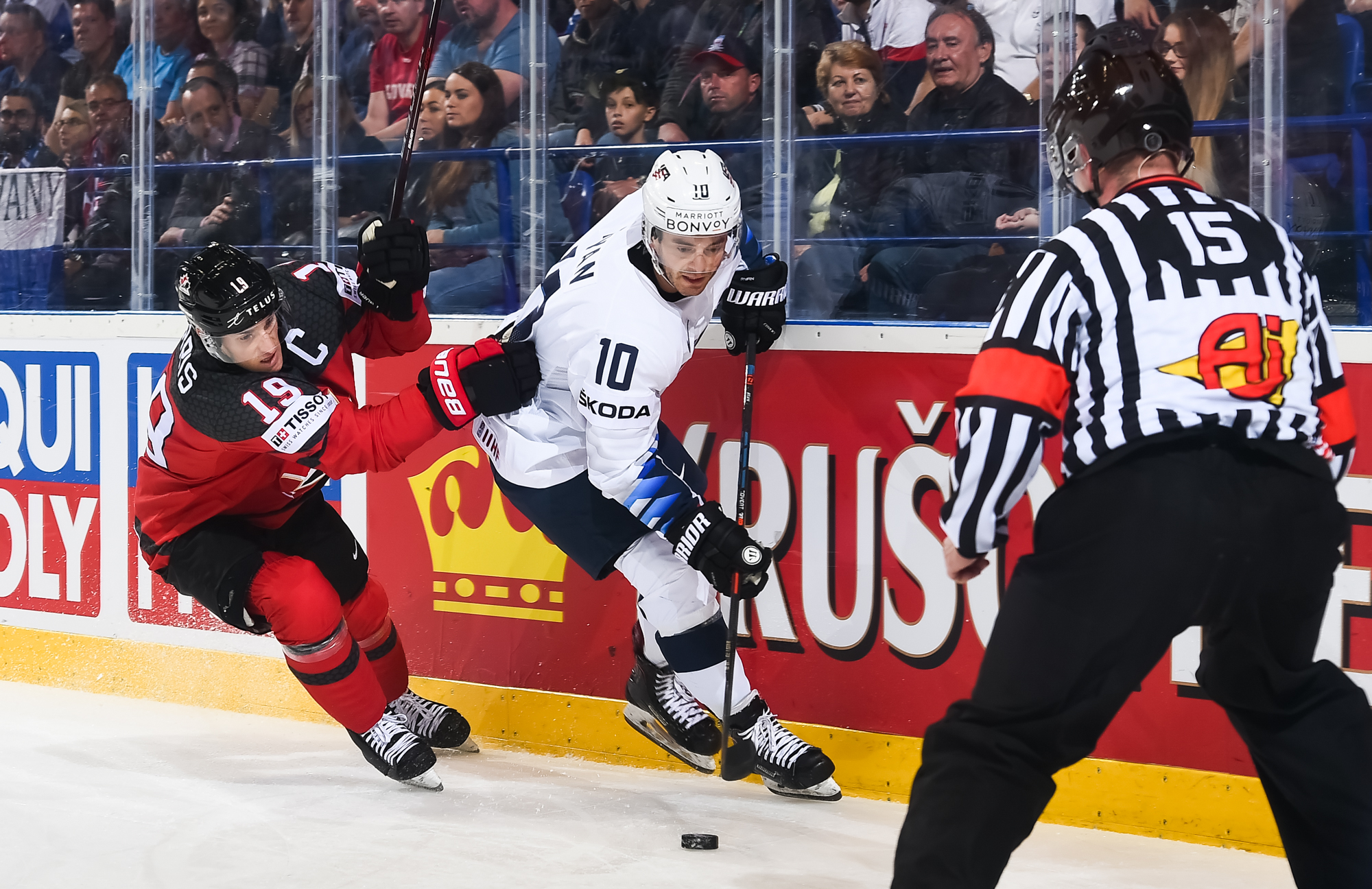 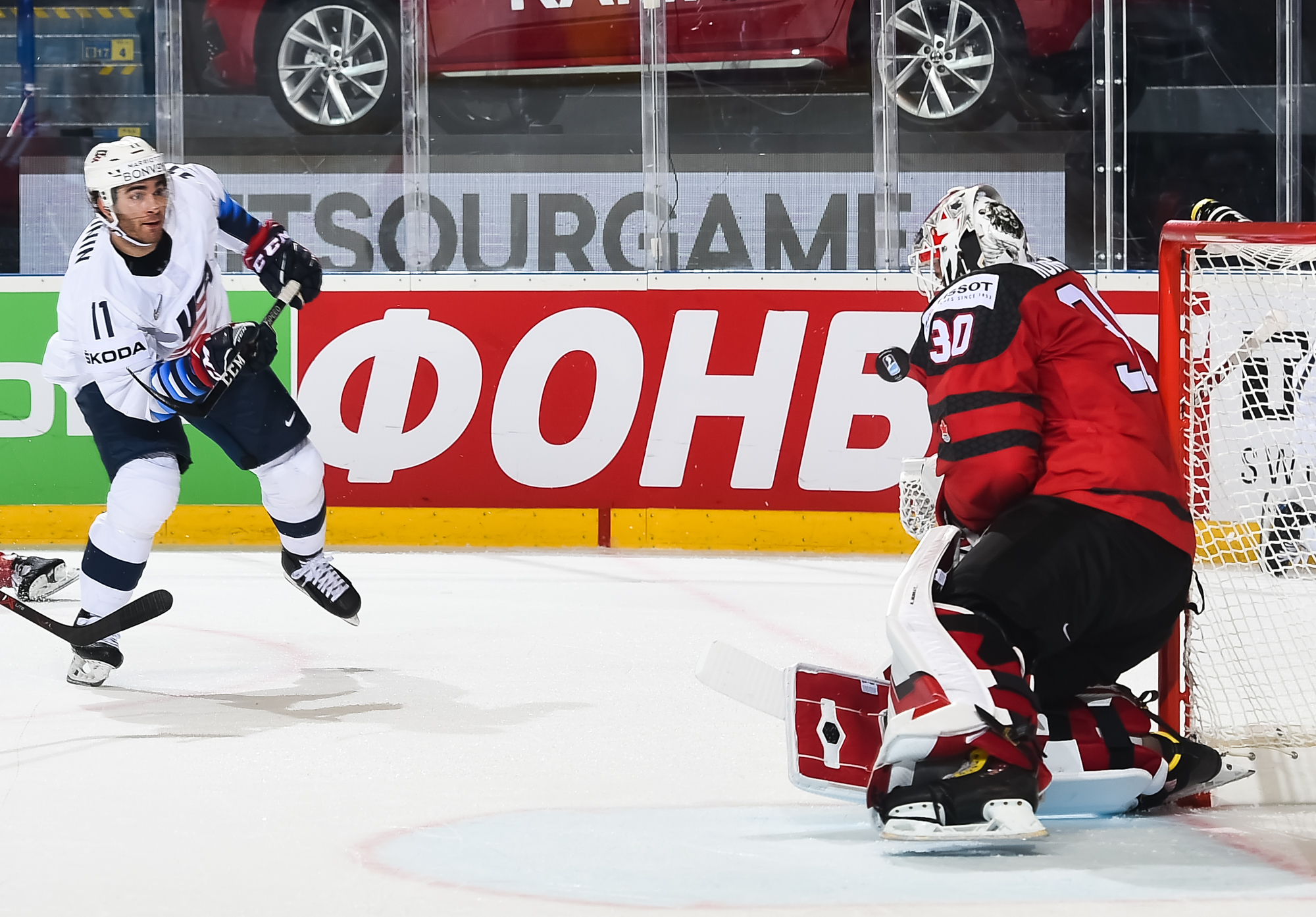 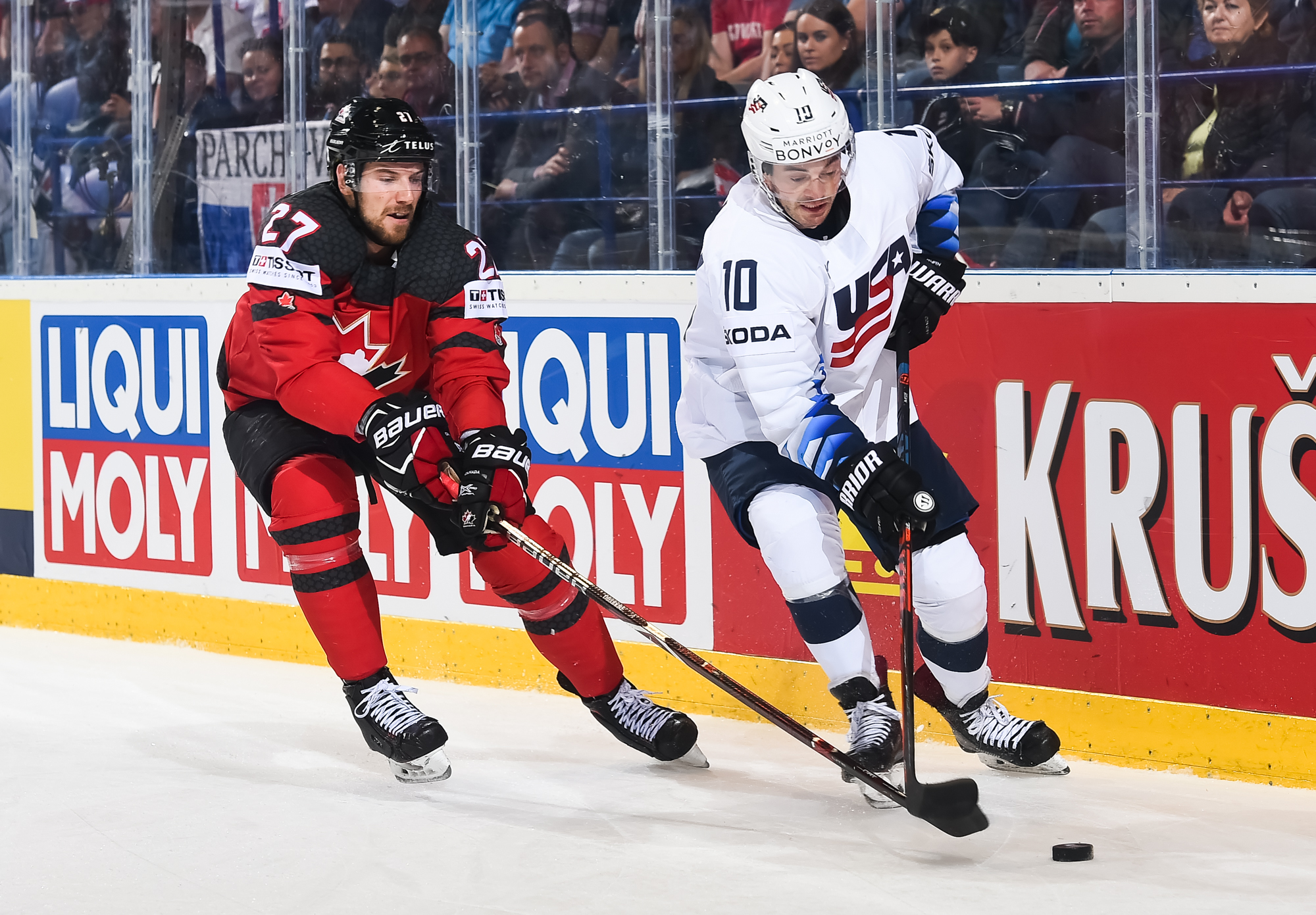 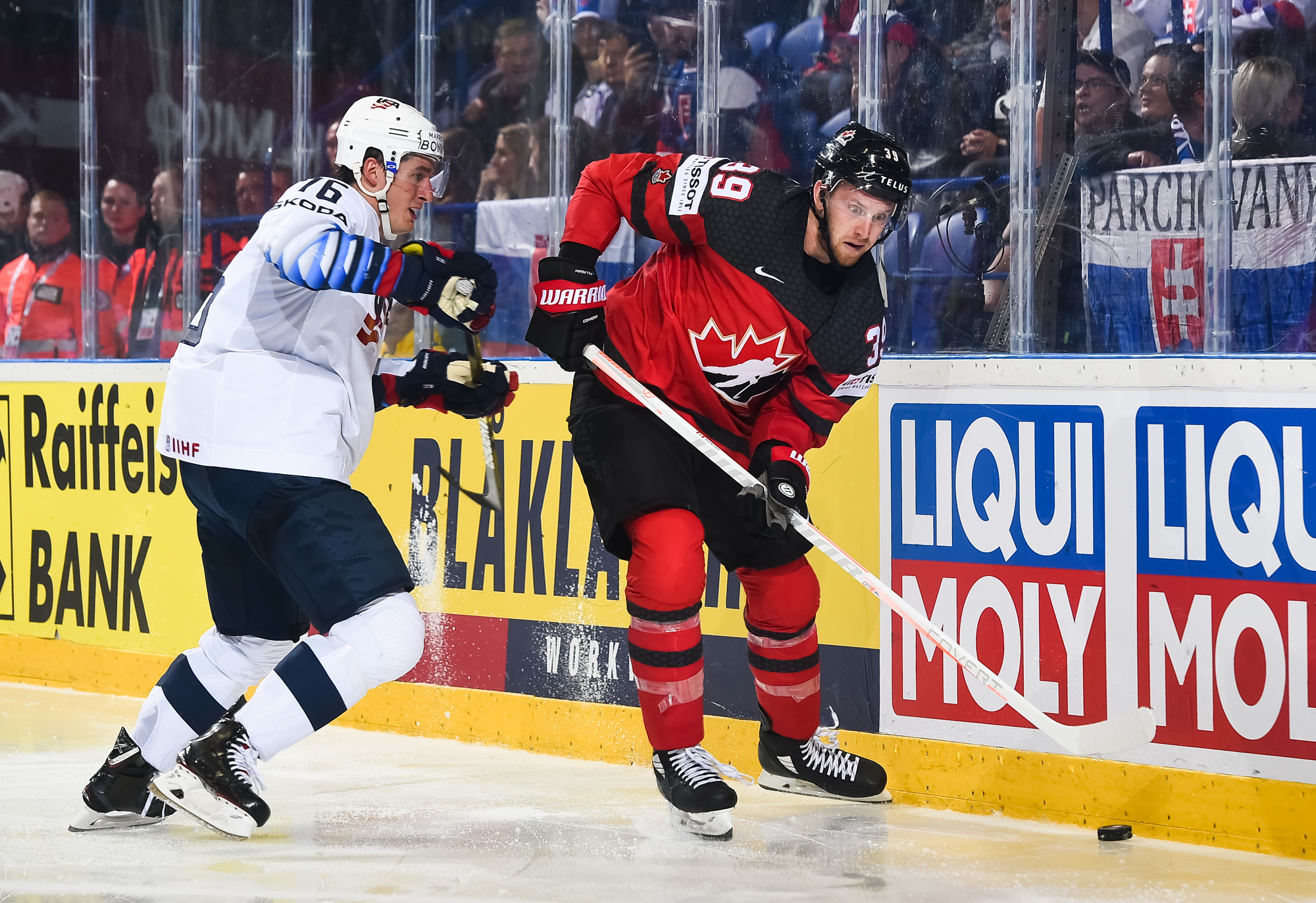 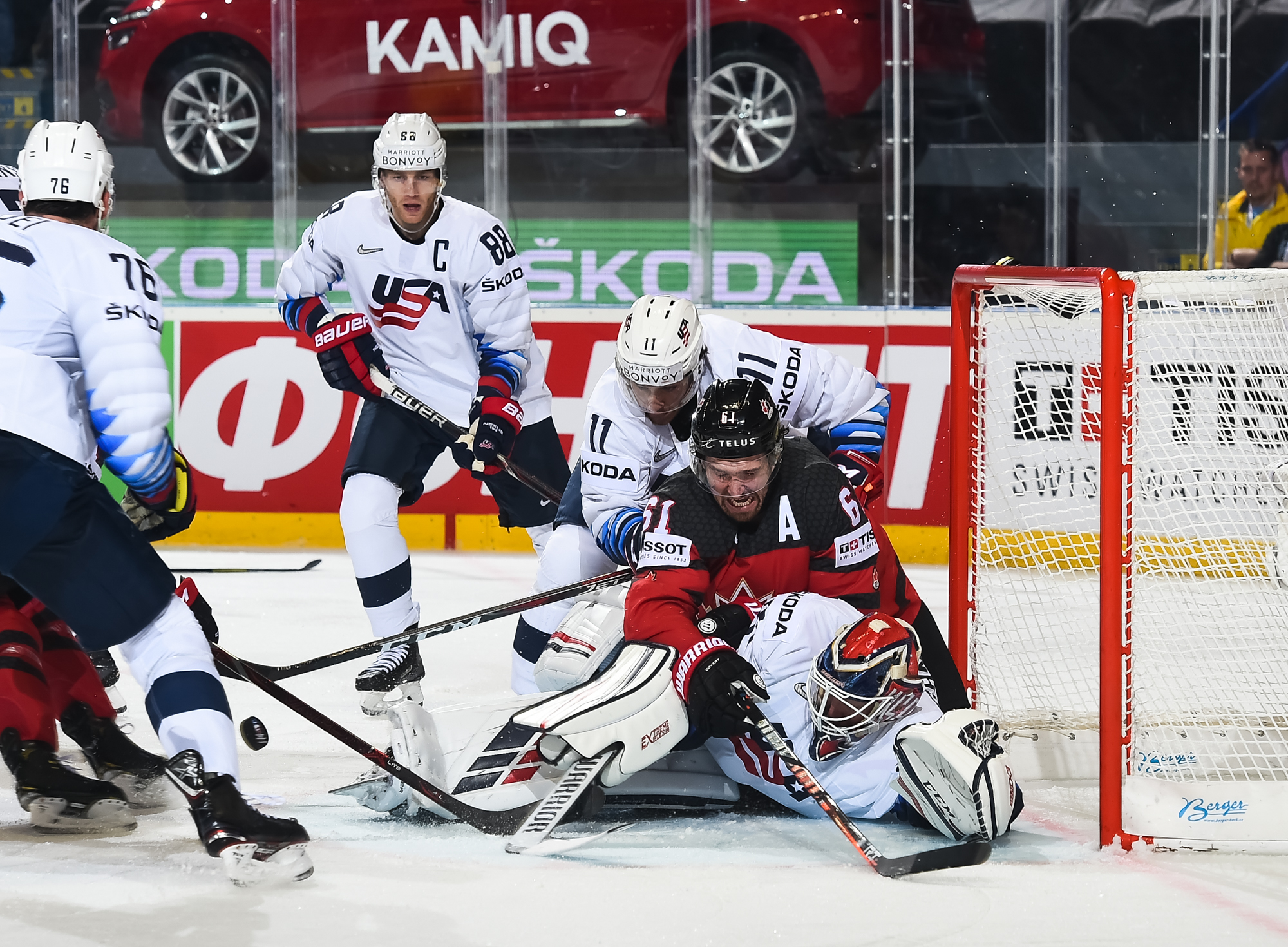 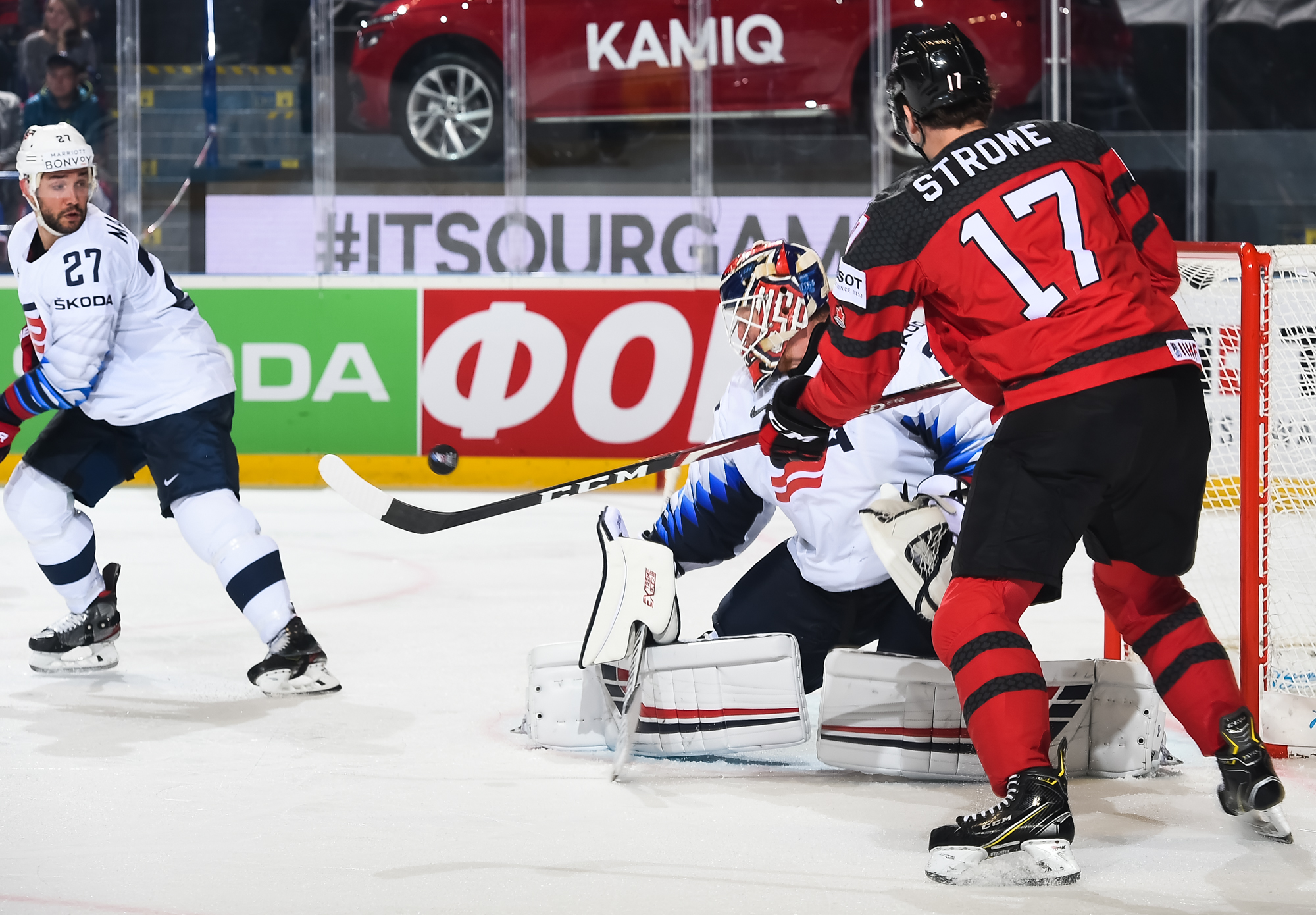 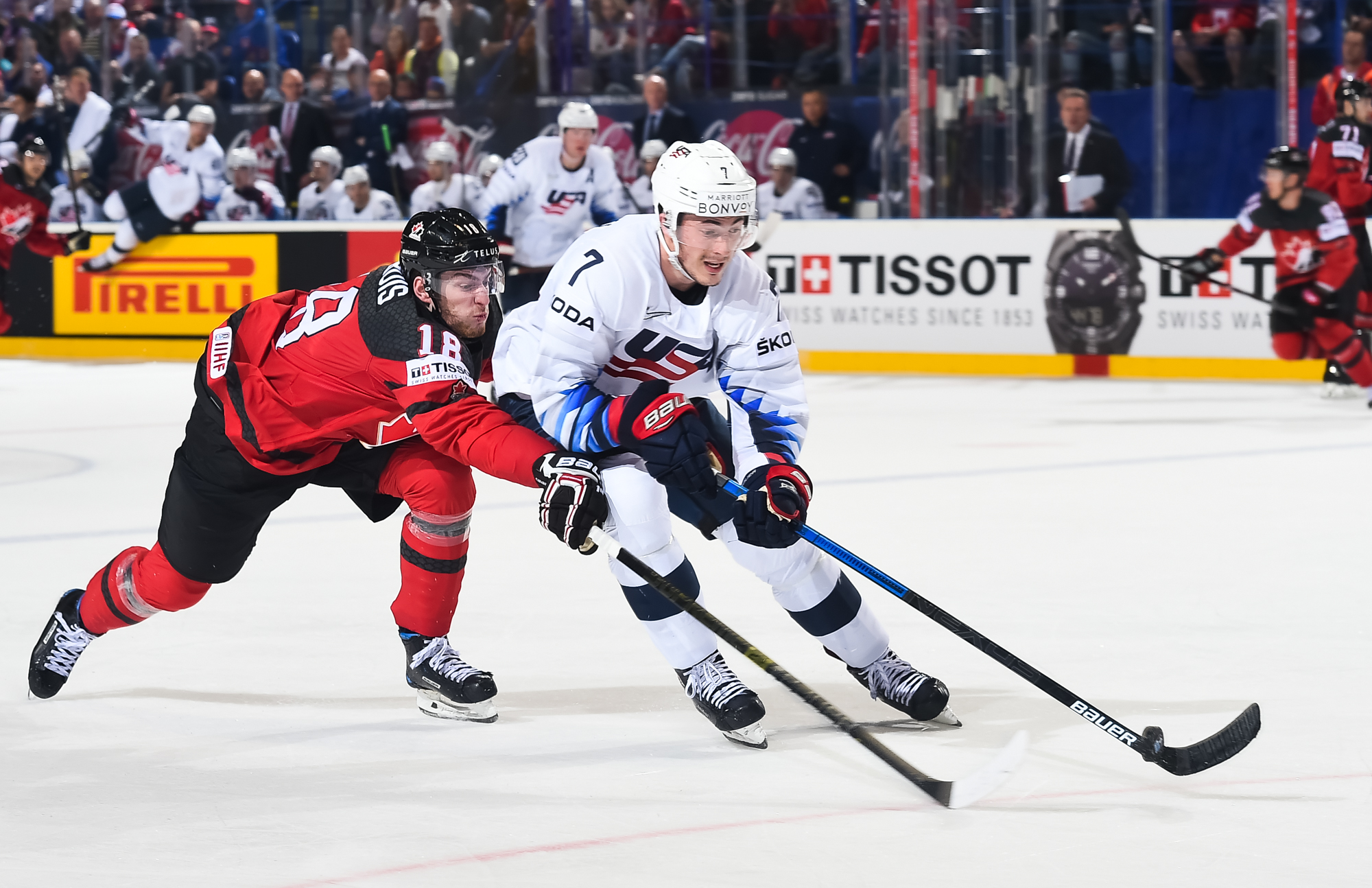 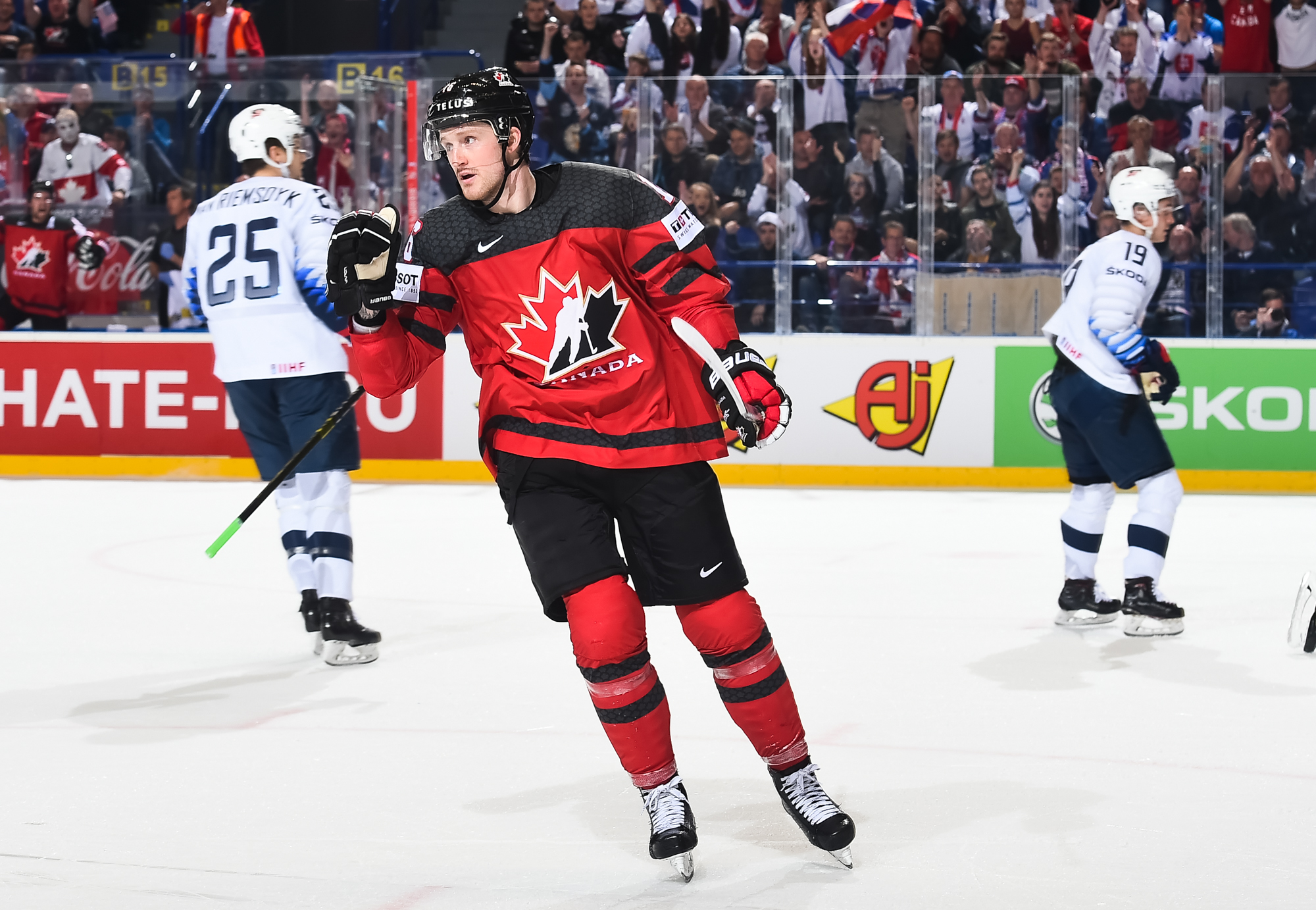 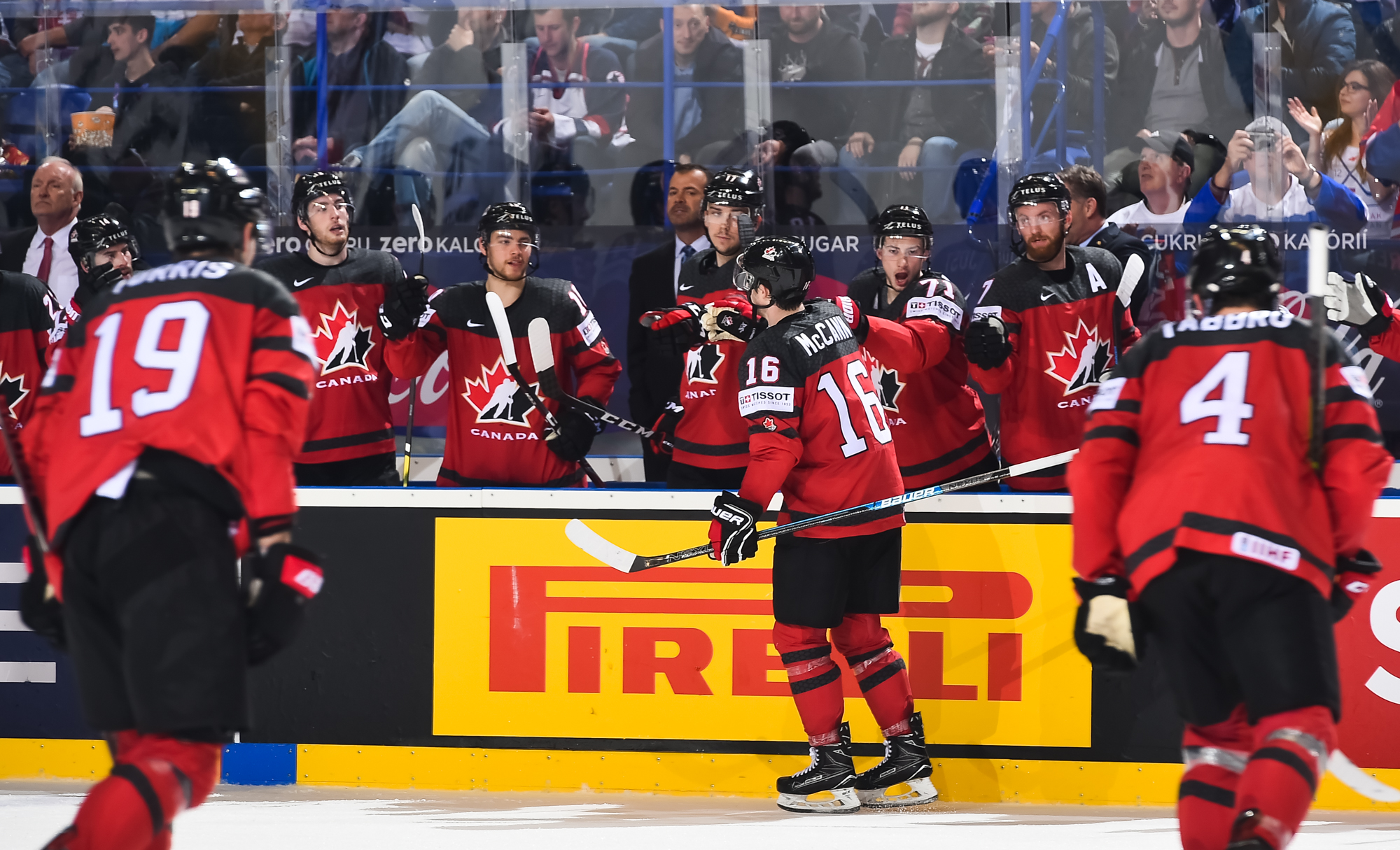 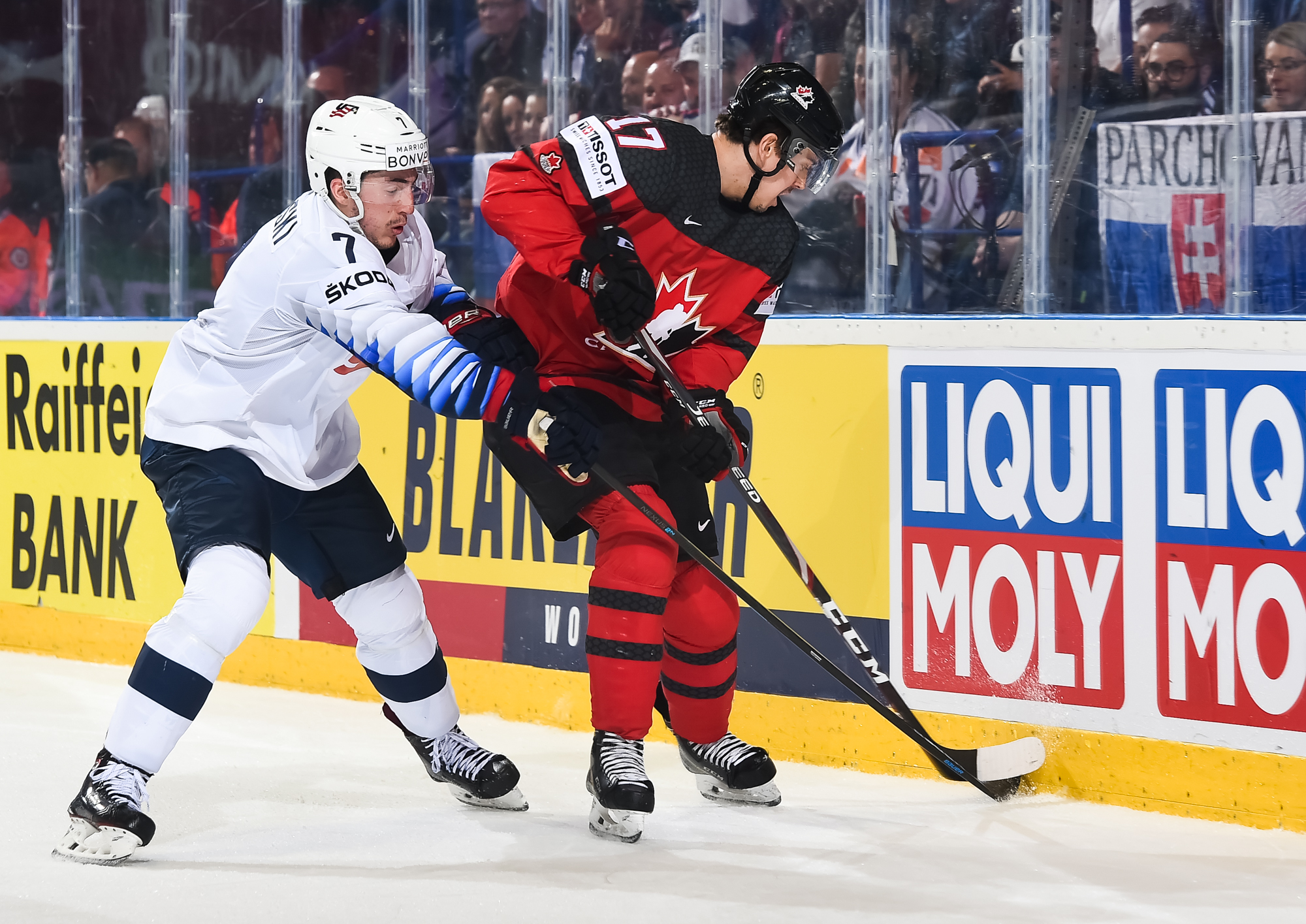 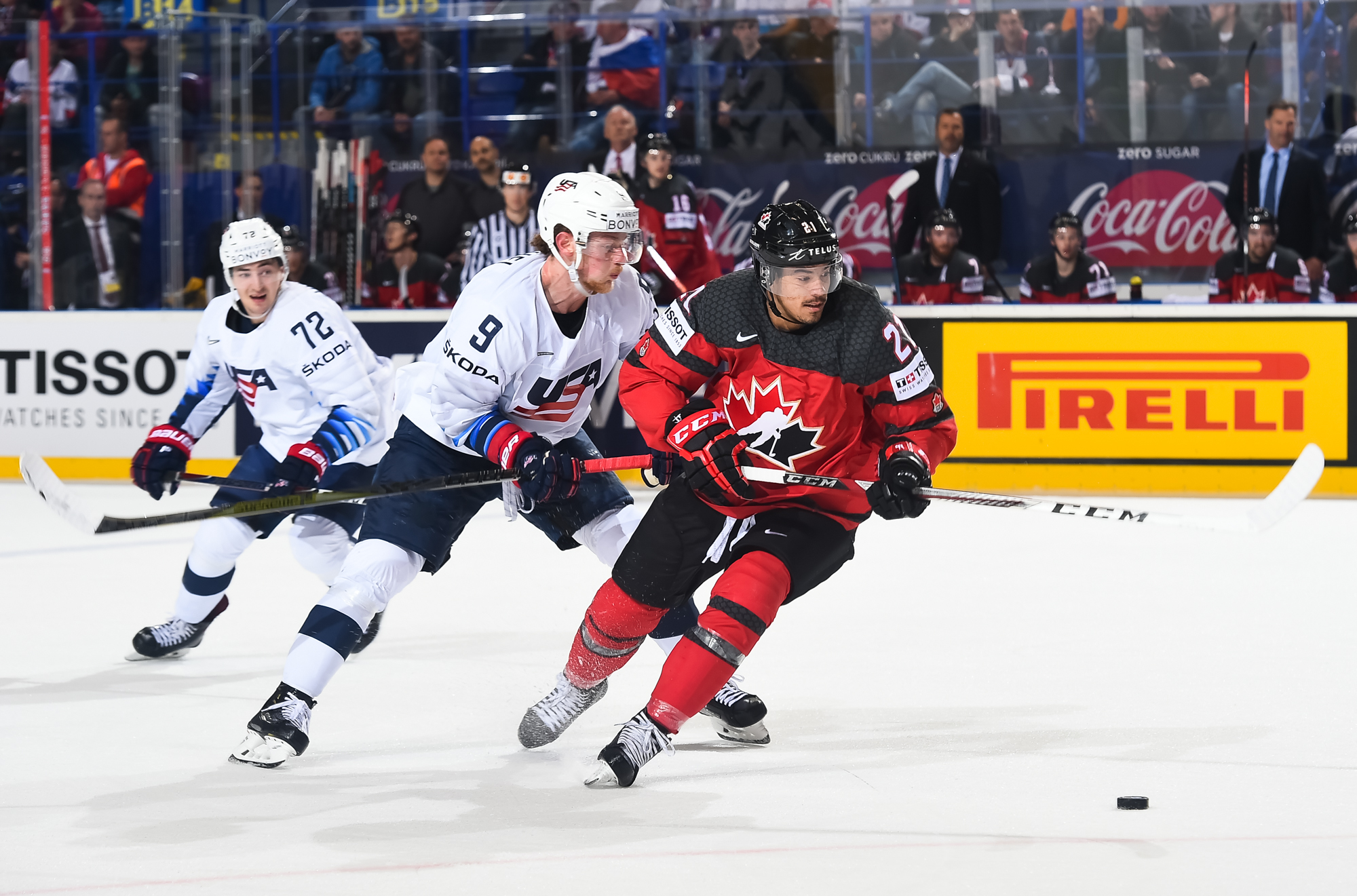 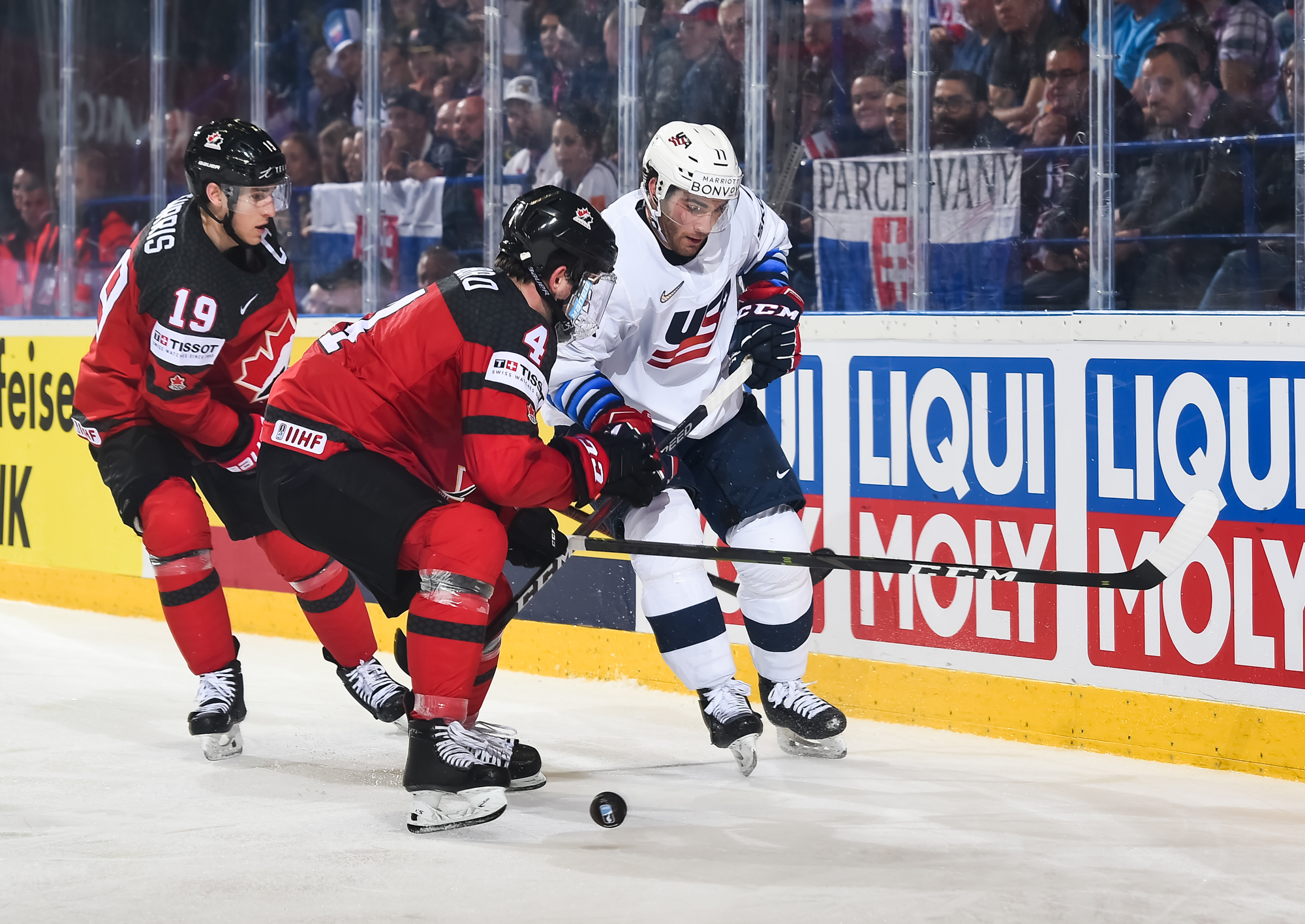 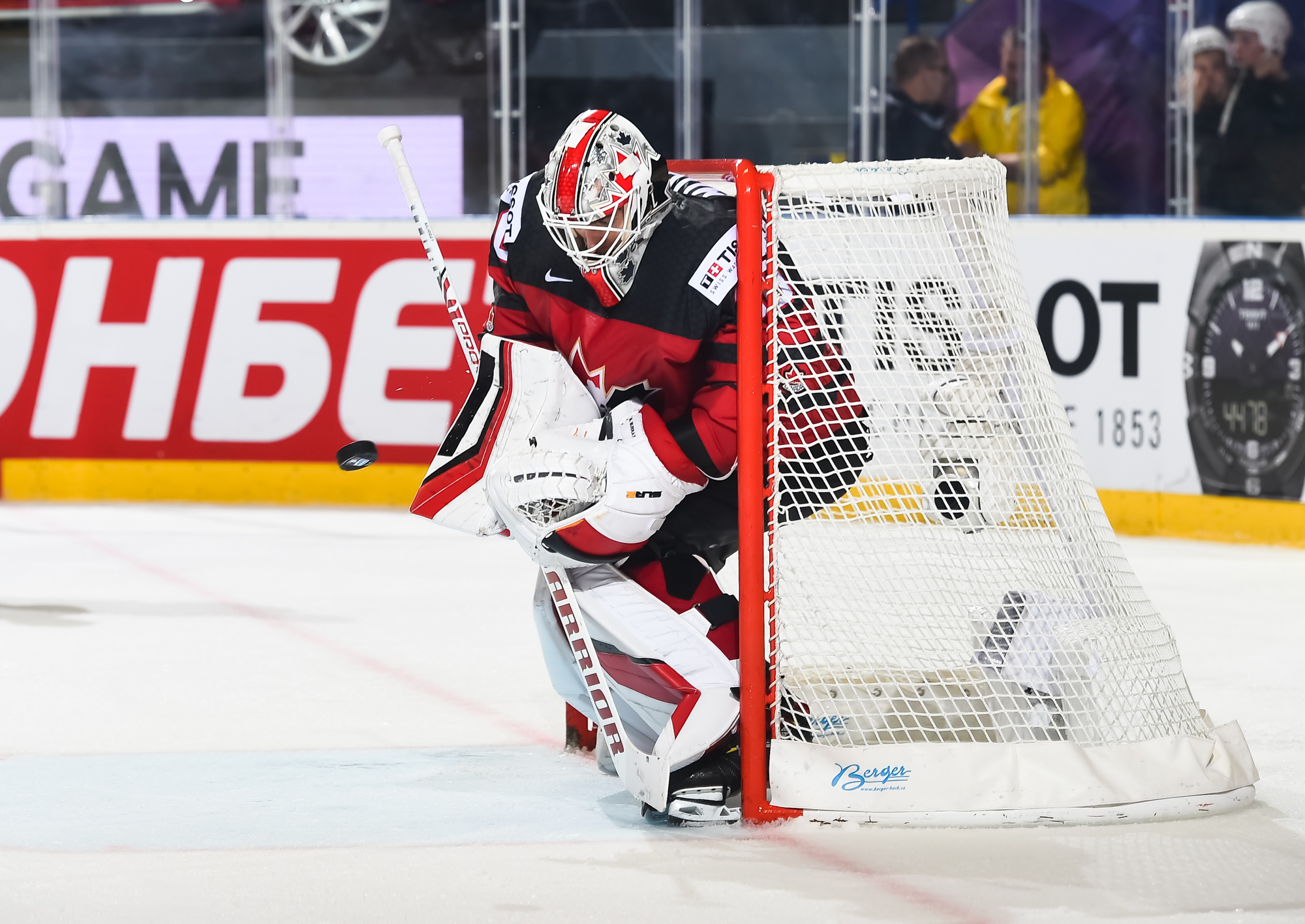 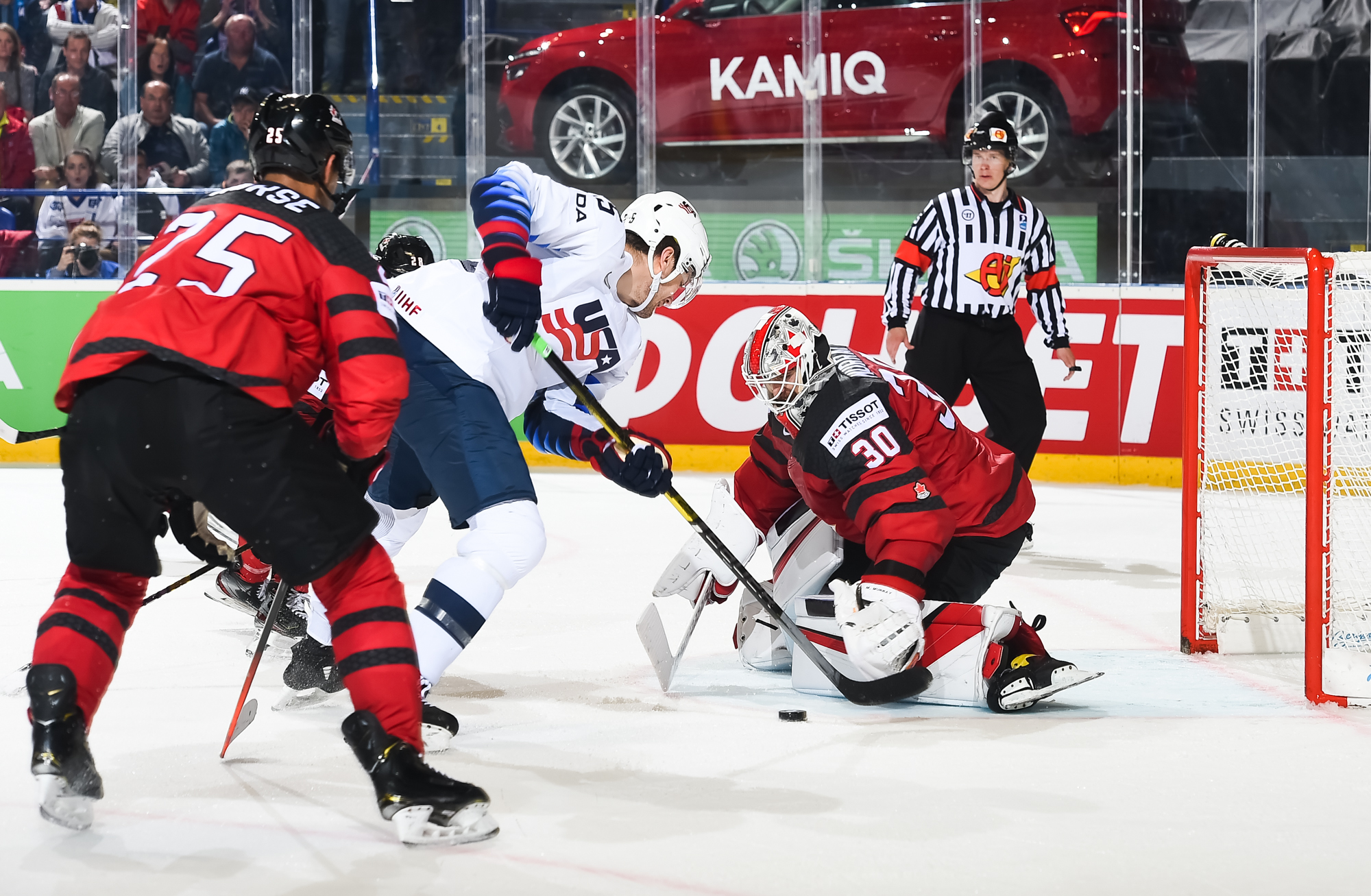 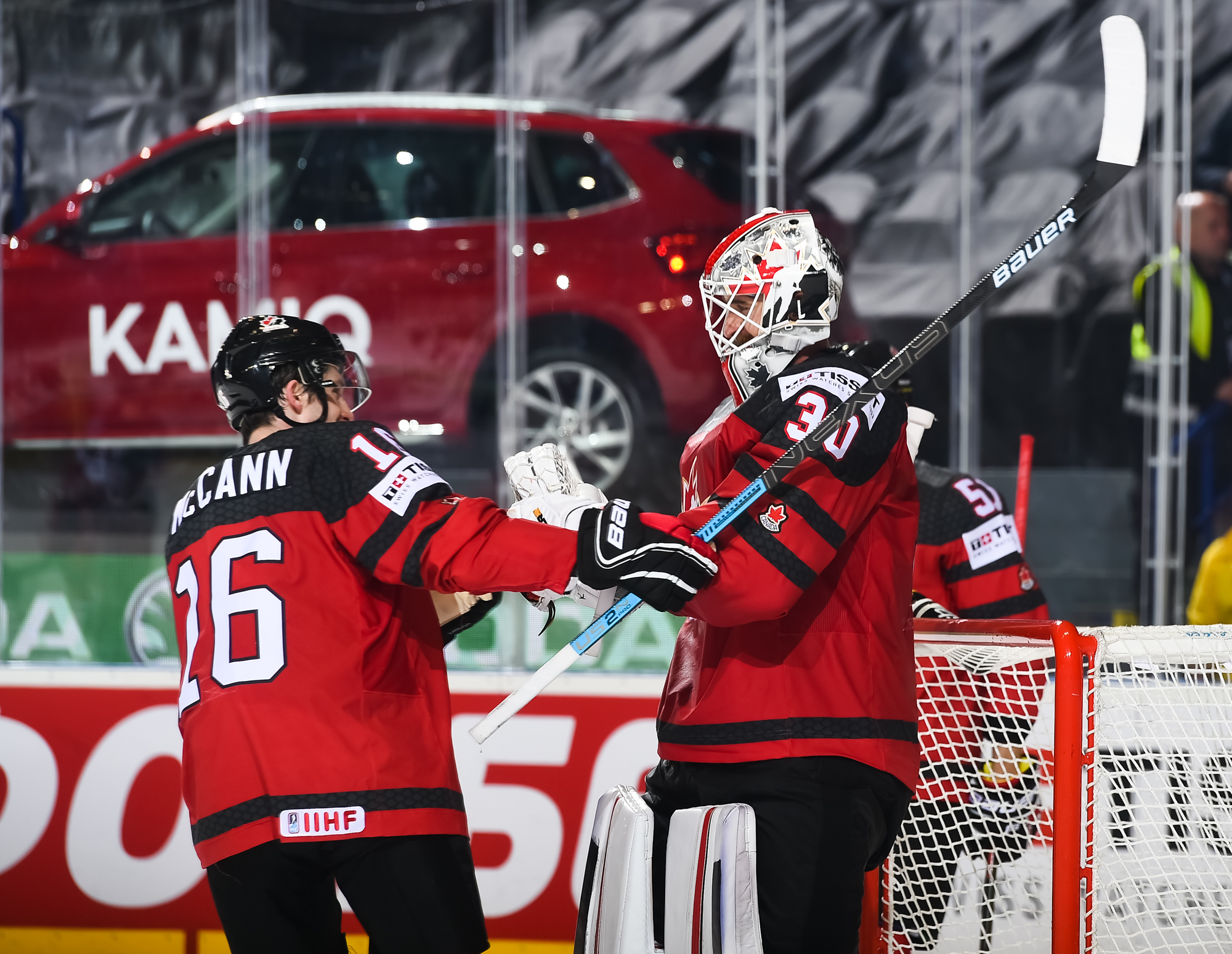 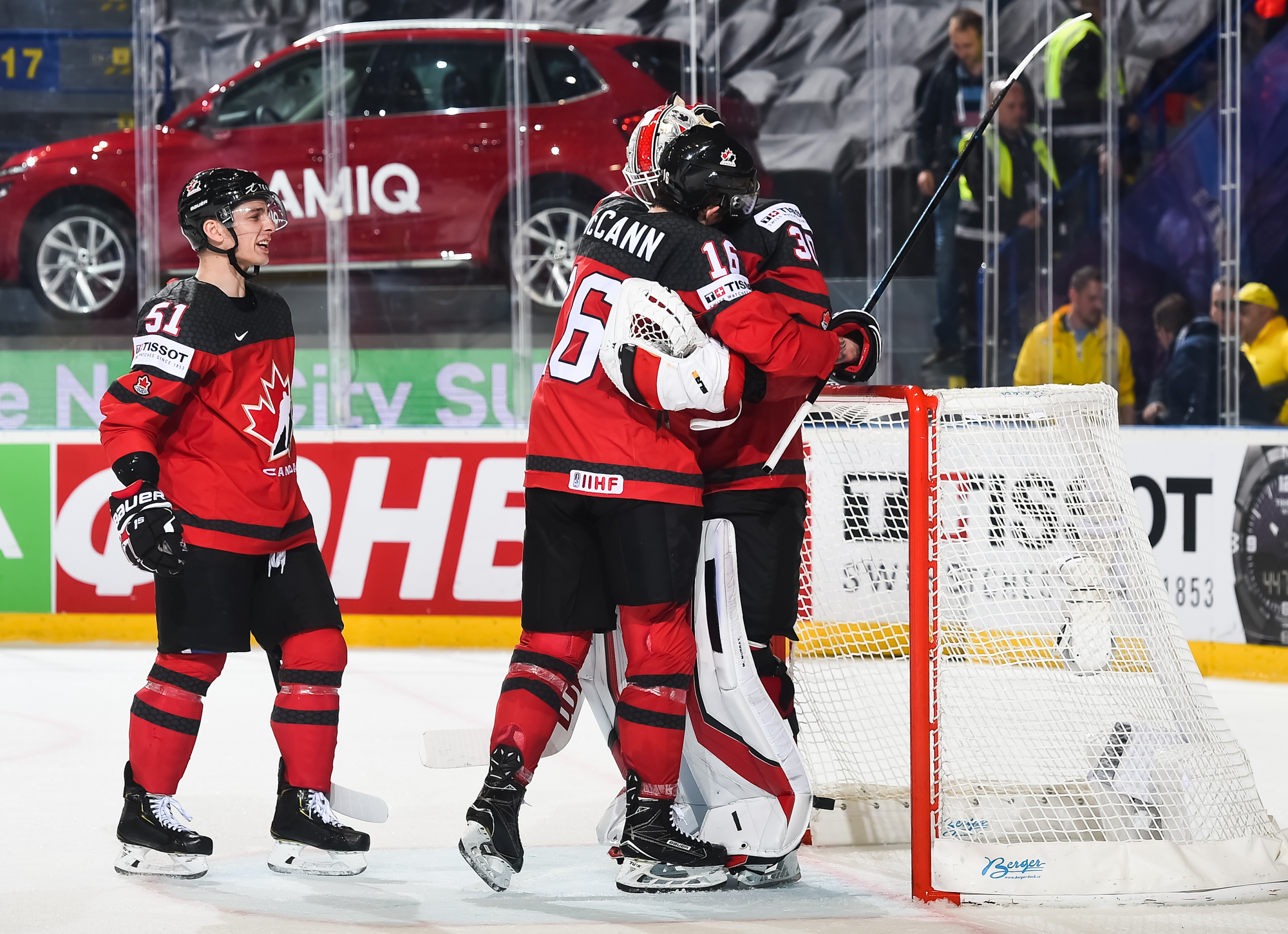 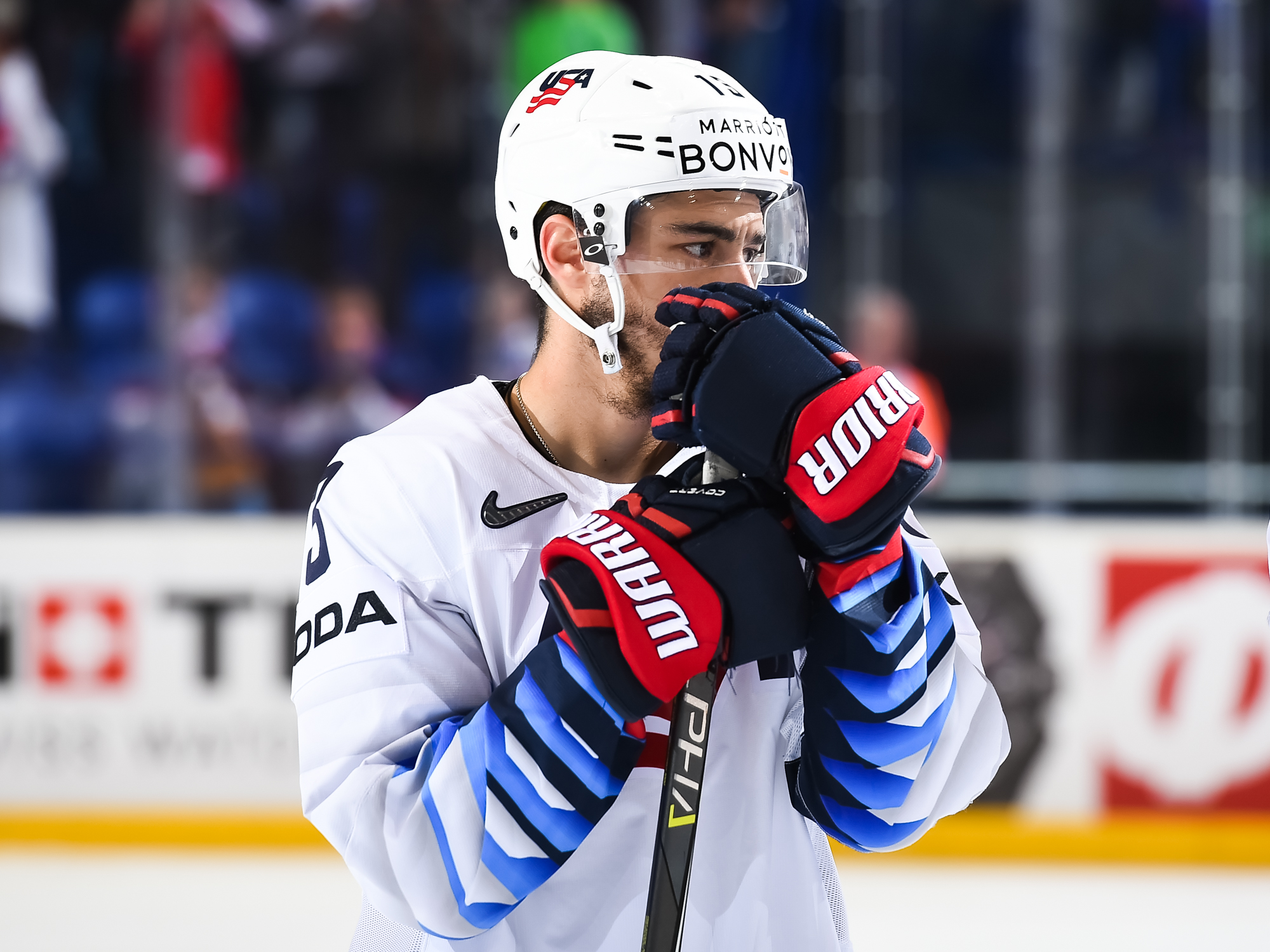 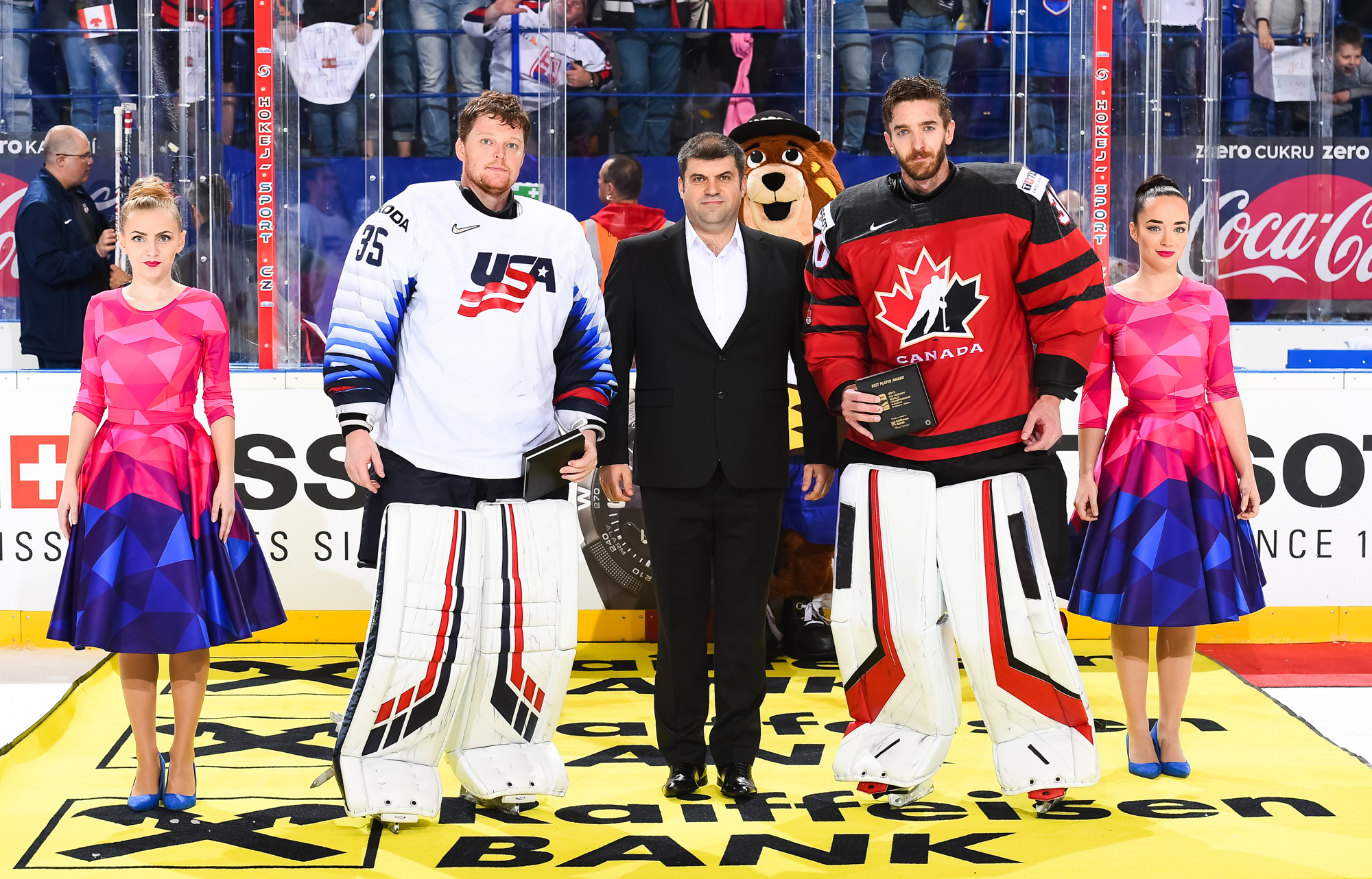