It's eight straight wins for the Bear. Russia advanced to the 2019 IIHF Ice Hockey World Championship semi-finals by beating the Americans 4-3 in Bratislava on Thursday.

For Russia, Nikita Gusev and Mikhail Sergachyov had a goal and two assists apiece. Kirill Kaprizov and Mikhail Grigorenko, with the eventual third-period winner, also scored. The Russians will face the lowest-seeded victorious quarter-finalist on Saturday.

Everybody plays for the team. It's not like every superstar is playing for himself. Everybody's playing for what's on our jersey, for Russia.
Mikhail Sergachyov
Russian forward

"We've got a lot of stars, superstars, that play in the NHL and KHL. And a good goalie," added Sergachyov.

The Russians now have a shot at their fifth medal in the last six years and first gold medal since Minsk 2014. In coach Ilya Vorobyov’s debut last year, they came sixth after a tough 5-4 quarter-final loss to the Canadians.

The American dream of winning gold at a World Championship tournament for the first time since 1933 will remain a dream for another year. The U.S. has enjoyed increasing success at the Worlds during this decade, capturing bronze in 2013, 2015, and 2018.

"It’s disappointing because we had high expectations, so we’re not happy our tournament’s done so quickly," said Skjei. "You know, they’re a really good team. We know that, but we’ve got a good team too and we thought we could beat them, and I still think that we could have."

With a strong performance in net, Andrei Vasilevski reinforced why he’s been nominated for the Vezina Trophy as the NHL’s best goalie with the Tampa Bay Lightning two years in a row. Shots favoured Russia 43-32. While Vasilevski was his team's player of the game, the U.S.'s Cory Schneider also gave his team a chance to prevail.

In front of 9,085 fans at Ondrej Nepela Arena, the stacked Russians looked faster and hungrier at the outset, and the Americans were unable to match their pace. First-period shots favoured Russia 17-9.

It took just 1:07 for Gusev to draw first blood. He banged in the rebound after Sergachyov shot from the centre point, with Artyom Anisimov providing traffic in front. The 26-year-old Vegas Golden Knights forward, who won the KHL scoring title with 82 points for SKA St. Petersburg, celebrated by miming a bow and arrow.

Schneider complimented Gusev: "He was all over the ice tonight. That line was one of their best. They had a lot of odd-man rushes and good opportunities. He made a couple of really nice plays."

Johnny Gaudreau took the game’s first penalty for hooking, and Sergachyov stung the Americans with his first goal of the tournament on the power play at 15:47. Again, he hammered the puck from the centre point, and this time it deflected high past Schneider off Jack Eichel’s stick. The play was video-reviewed to confirm that the net had not been dislodged before the puck went in, and the Russian fans celebrated.

"It definitely felt like [a home game]," said Sergachyov. "Thanks to our fans for coming and cheering us on, helping us win. It felt like home."

Kane came calling again on a 2-on-1, but Vladislav Gavrikov sprawled to block his pass across, and Vasilevski said no on the follow-up shot. A goaltending clinic ensued. Schneider daringly pokechecked Ovechkin on a break and stopped the rebound while well out of his net, and then U.S. captain Patrick Kane rushed the other way, only to be foiled by Vasilevski.

The hockey gods finally gave America some help early in the second period. Kane whizzed a cross-ice pass to Skjei, whose one-timer hit Gavrikov and fooled Vasilevski to cut the deficit to 2-1 at 2:22. Gaudreau drew the assist on the play for just his second point in six games.

The tempo was slower than in the first, but it seemed to suit the U.S.'s puck-control game. Still, the Russian storm began to swirl again. Kucherov slipped a long pass to Gusev for a nice chance off left wing, and as Alexander Ovechkin missed two golden chances in close. Chants of "Rossiya!" increased.

At 1:31 of the third, the usual suspects struck to make it 3-1 Russia. Sergachyov sent Gusev in for a 2-on-1 with Kirill Kaprizov, and Kaprizov one-timed the puck past Schneider with ease. It was shades of the 2018 Olympic gold-medal winner, which Kaprizov notched against Germany in overtime on a Gusev set-up.

The Americans didn't wilt, and their aggressive approach bore fruit. Jack Hughes snared the puck inside the American blue line, and found Hanifin coming down the middle. He beat Vasilevski with a high wrister to make it 3-2 at 5:53.

"It was a good game," said Sergachyov. "It's just at the end, we gave them too much ice and too many moments to score goals. We've got to shut the door and play better defensively, clear the puck, and get it out and do our job."

Curbing the U.S.'s momentum with a deadly Russian rush, Grigorenko swept into the offensive zone to take Malkin's cross-ice pass from the side boards, and scored with a great top-corner shot at 7:02.

Pulling Schneider for the extra attacker, the Americans made it exciting at the end. Jack Hughes sent the puck to Kane in the faceoff circle and then allowed the return pass to fly past him to DeBrincat, who scored his seventh of the tournament with 2:50 left in regulation. The Russians challenged the goal, alleging goaltender interference stopped Vasilevski from getting across, but to no avail.

The Russians iced the puck multiple times in the dying moments, but the U.S. couldn't find the equalizer.

"A lot of our guys are 25 and younger," Schneider said. "There's a good young core of Americans. Hopefully this'll set the precedent that the best of the best are going to want to come over every year and play in this tournament and give it our best showing."

The last time these rivals squared off in an IIHF Ice Hockey World Championship quarter-final was 16 May 2013. The Americans dethroned reigning champion Russia with an 8-3 shellacking in Helsinki. That was the most goals the Russians had ever allowed in one game at the Worlds. The U.S.’s Craig Smith led the way with five assists, and Russian goalie Ilya Bryzgalov was pulled in favour of Semyon Varlamov after the fourth American goal.

The last playoff meeting saw Russia pounding the U.S. 7-2 in the 2016 bronze medal game in Moscow. The Russians also won 4-0 in the 2015 semi-finals in Prague.

This was a disappointing conclusion to the 2019 Worlds for some young U.S. forwards.

Dylan Larkin, who had three goals and two assists in the preliminary round, sat the quarter-final out with an injury. Meanwhile, Jack Hughes slotted back into the lineup after being a healthy scratch in the 3-0 loss to Canada. The potential #1 overall pick in June's NHL Draft will learn from this experience against the world's best men.

Schneider offered his take on Hughes: "I thought he's had some good games and some games where you could tell he's 18. But this atmosphere, this stage, I thought he played probably his best game of the tournament. That's what young kids do. They learn, they adapt, they adjust. He'll only get better and better with experience. Tonight was a great night for him, but I'm sure he'll tell you he wished we'd won the game as well."

Hughes appeared in three consecutive IIHF tournaments this season, winning silver while battling injury at the World Juniors and bronze with a record-setting performance at the U18. Although he enjoyed getting to play with his older brother, defenceman Quinn Hughes, Jack finished with three assists in seven games in his first Worlds. 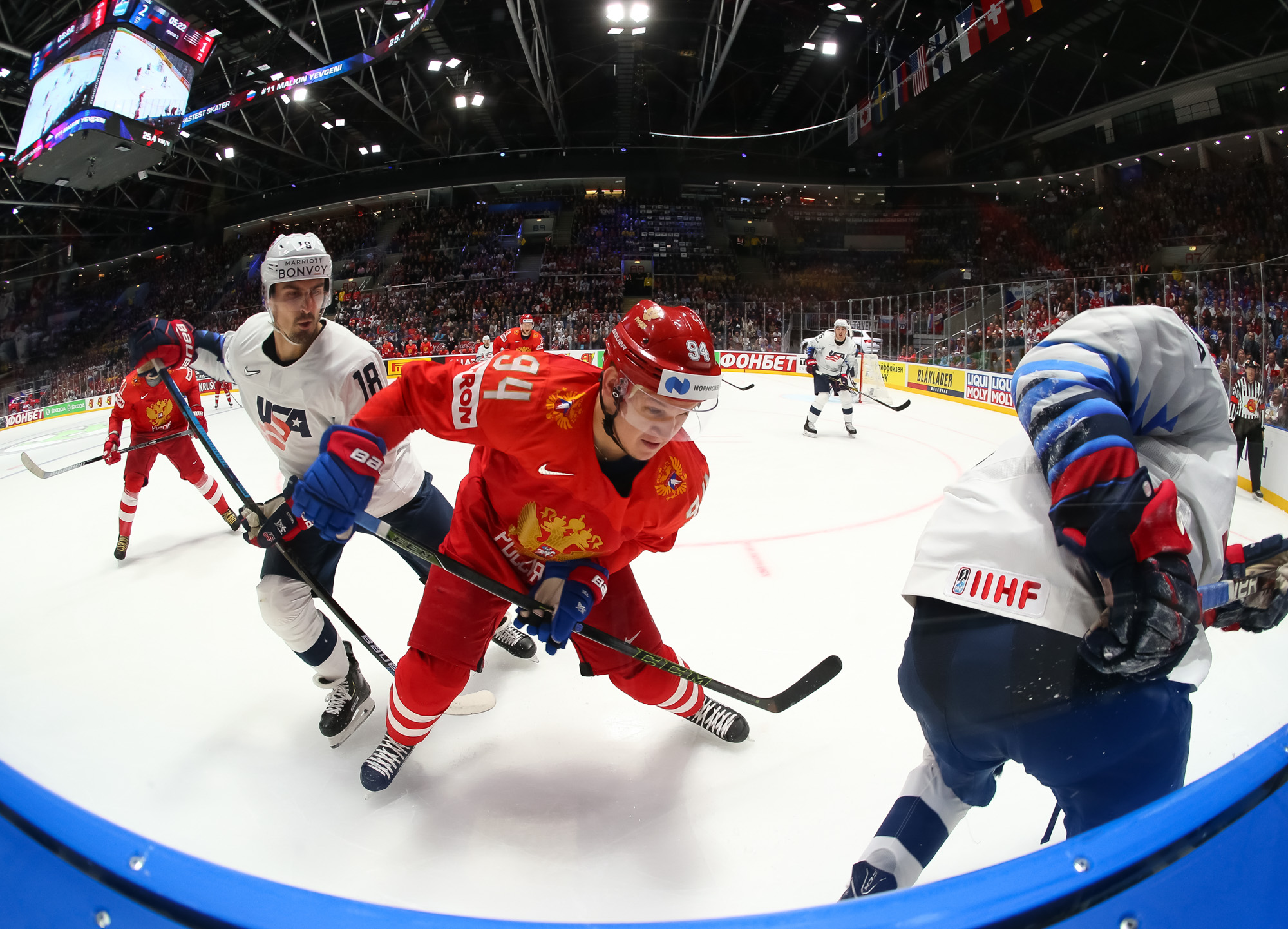 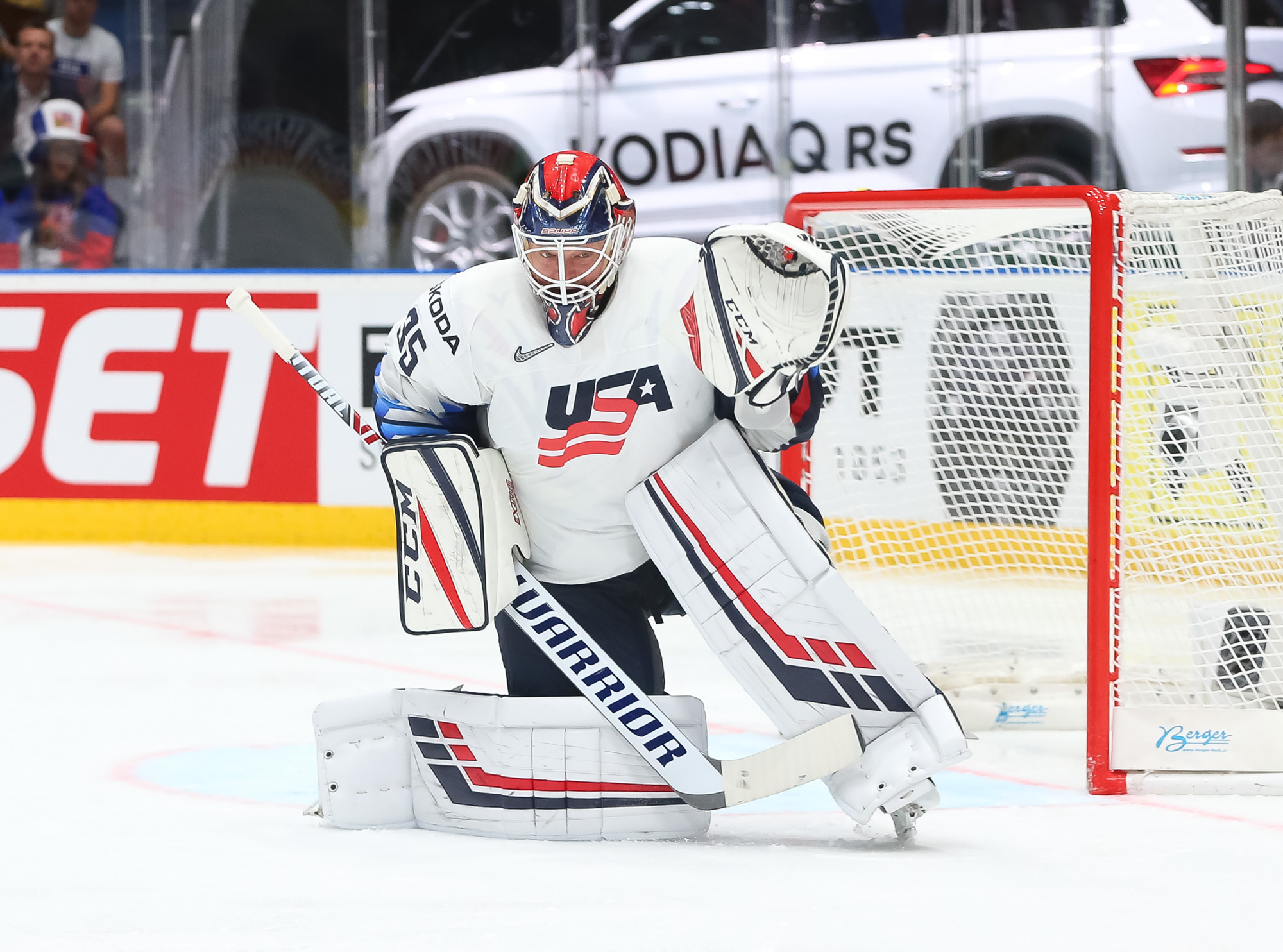 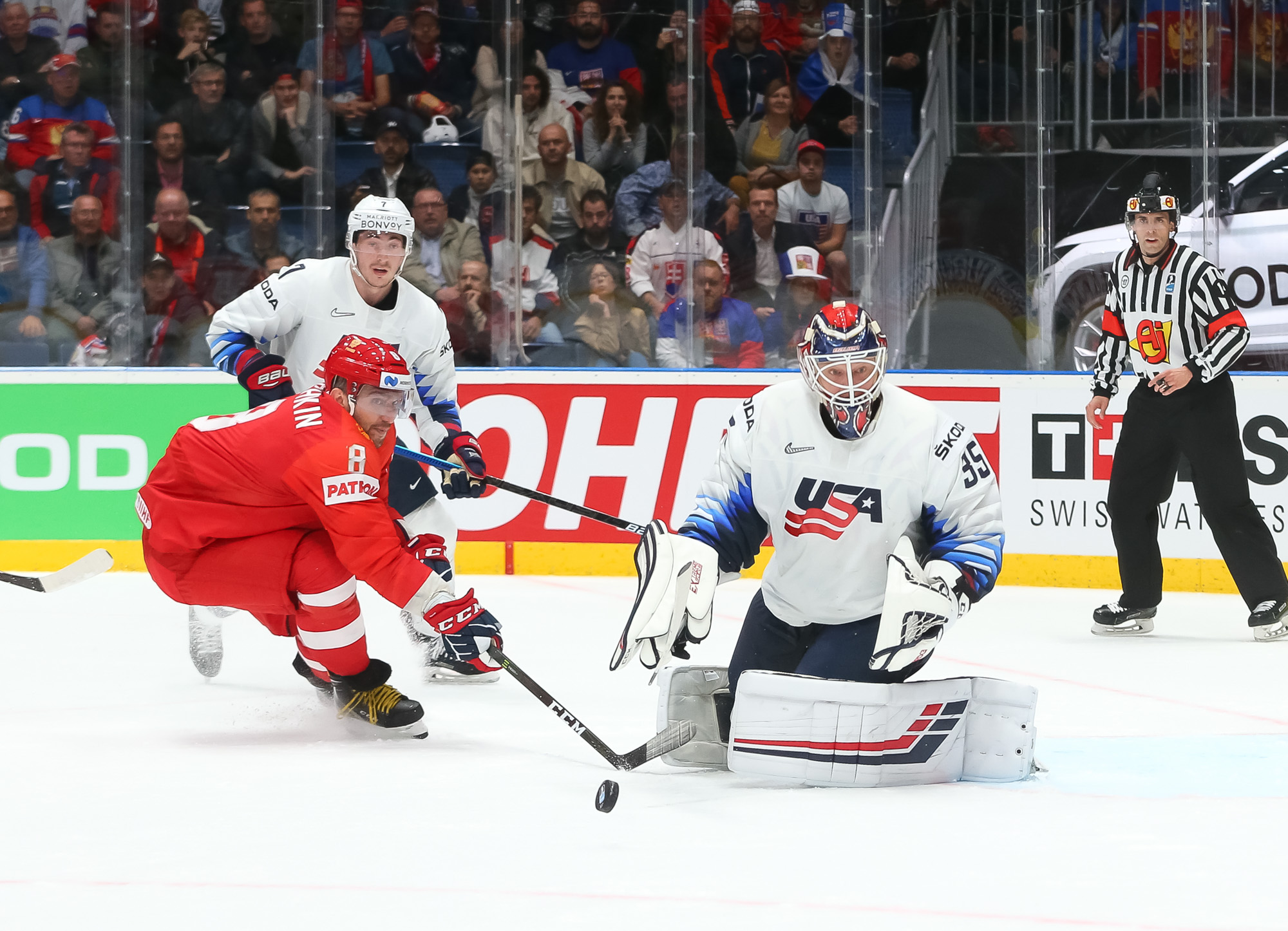 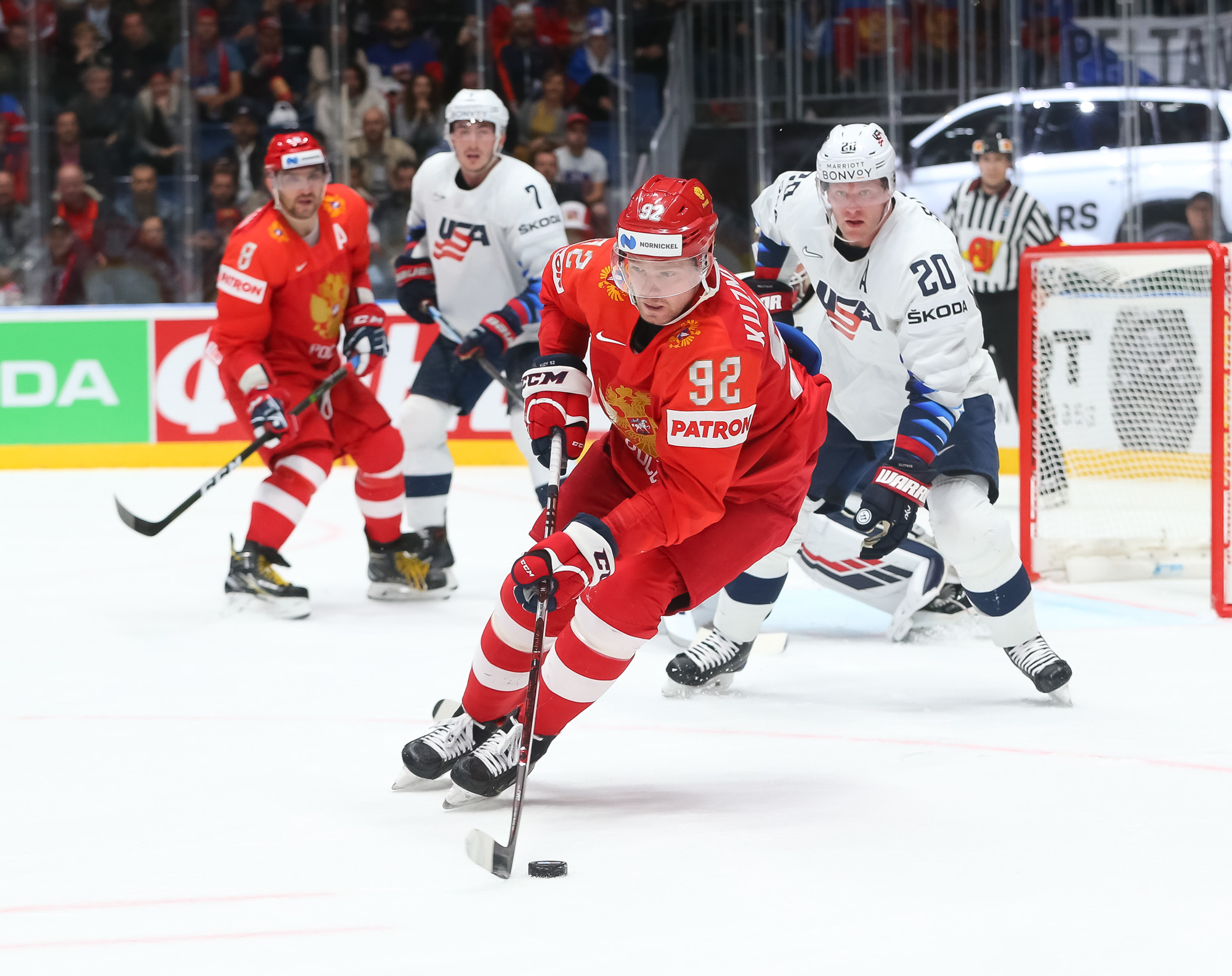 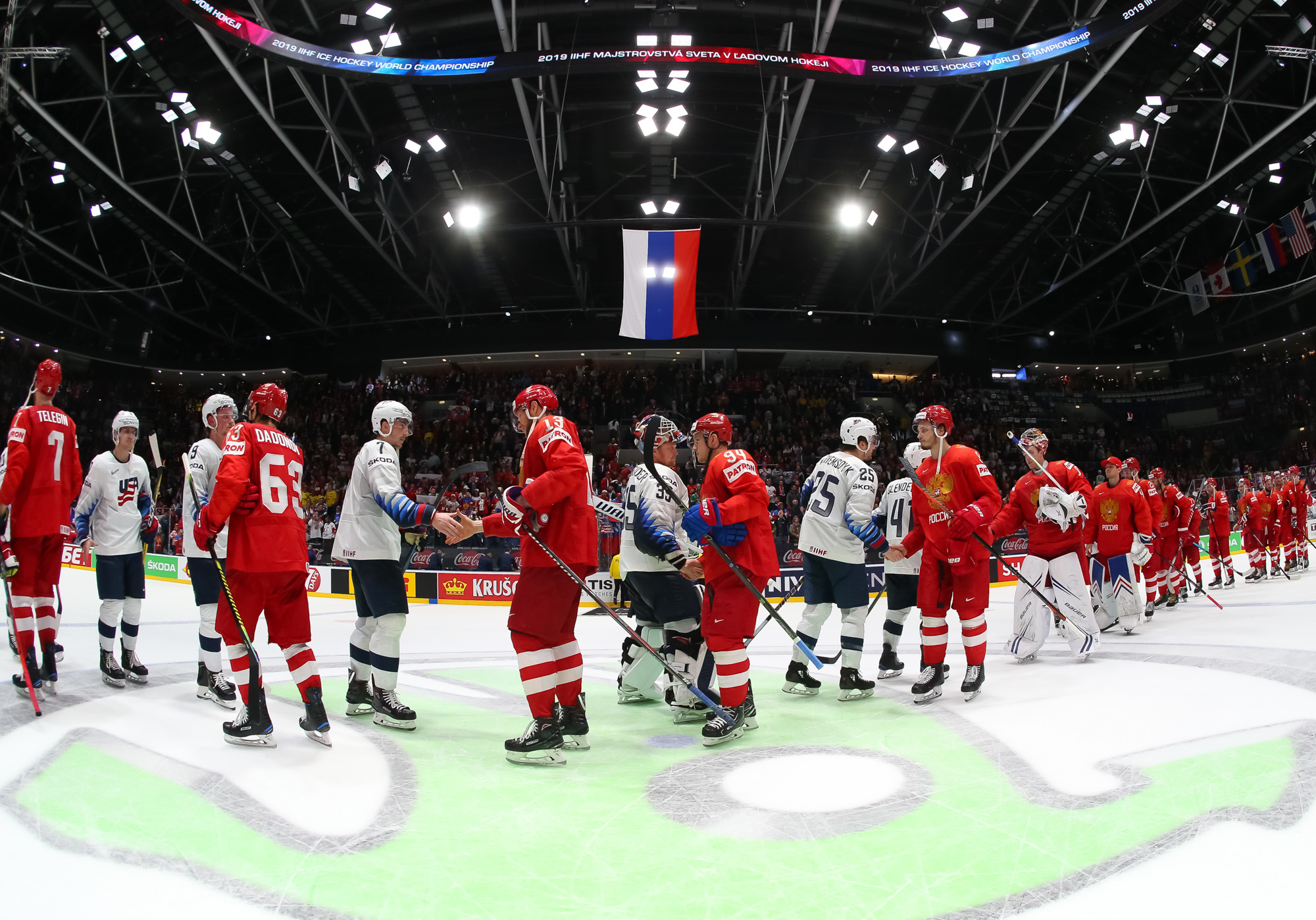 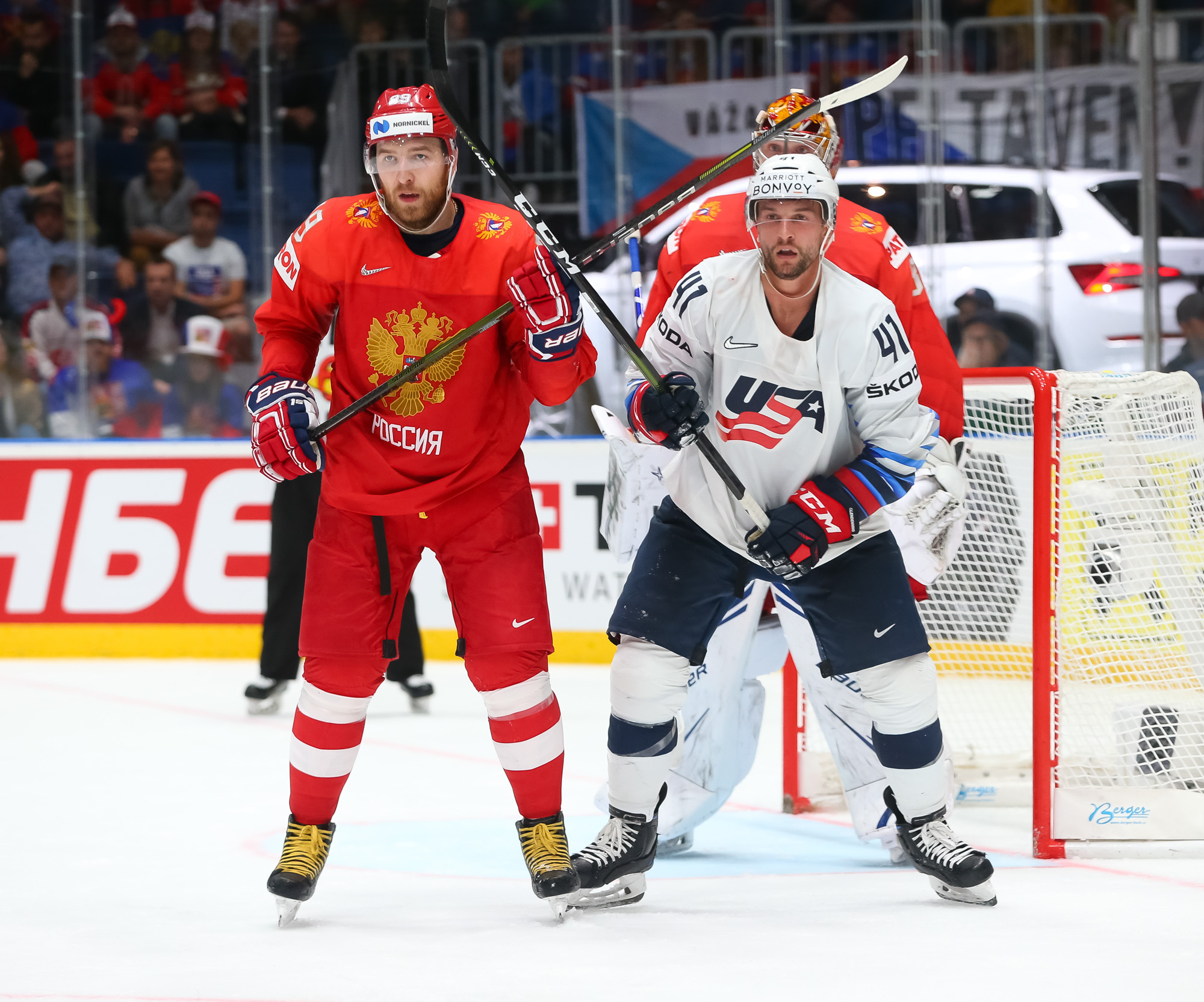 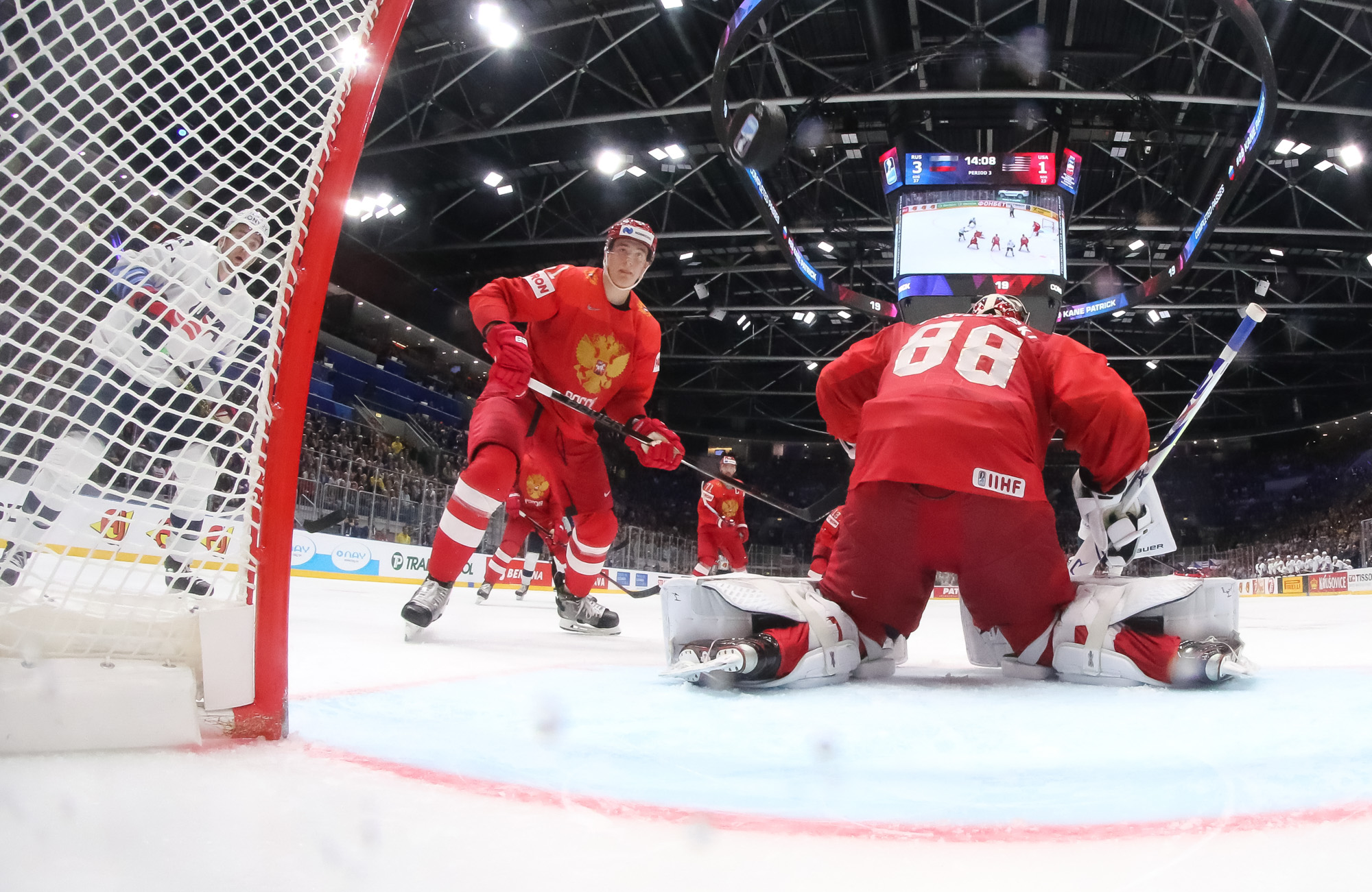 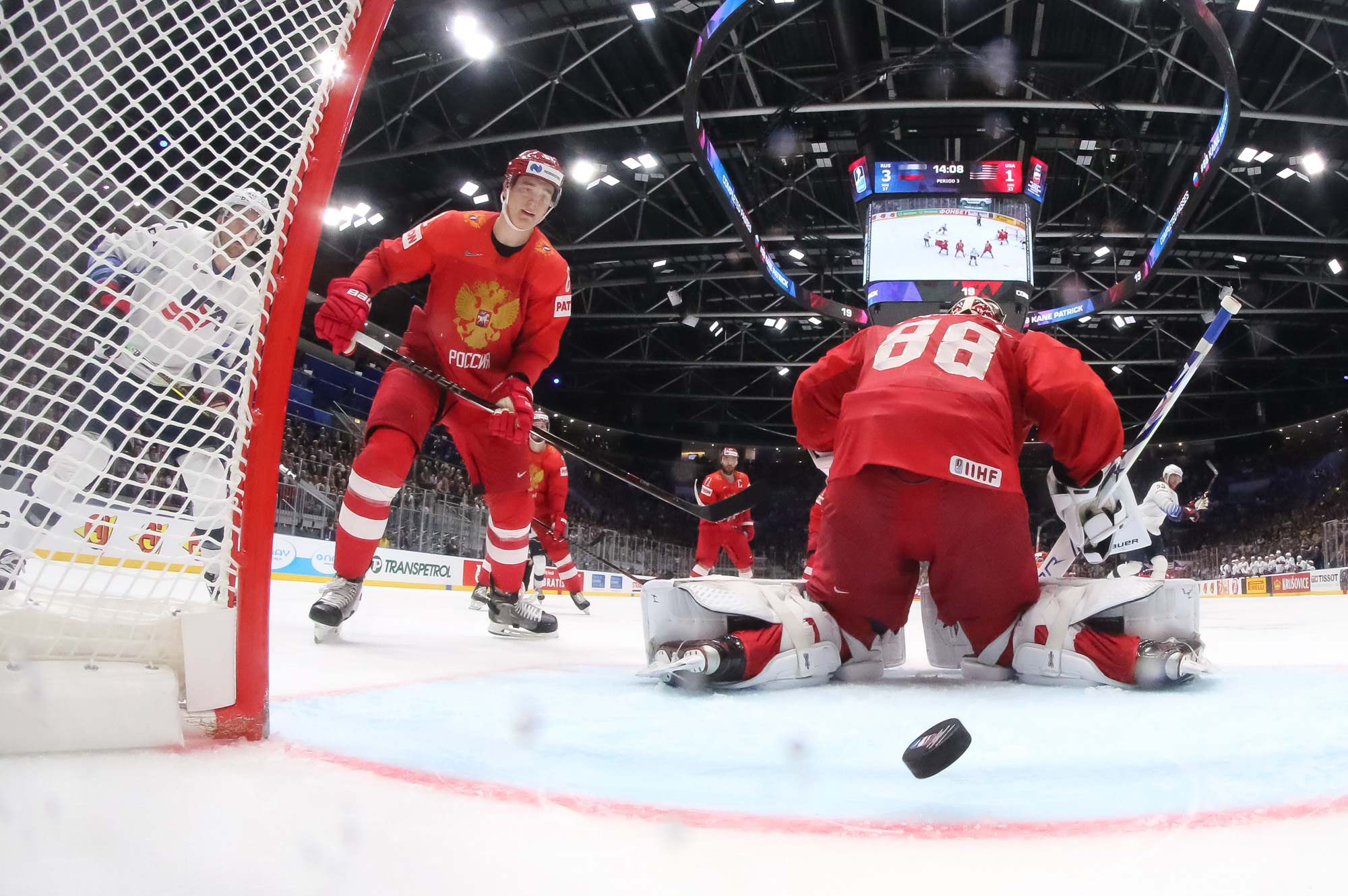 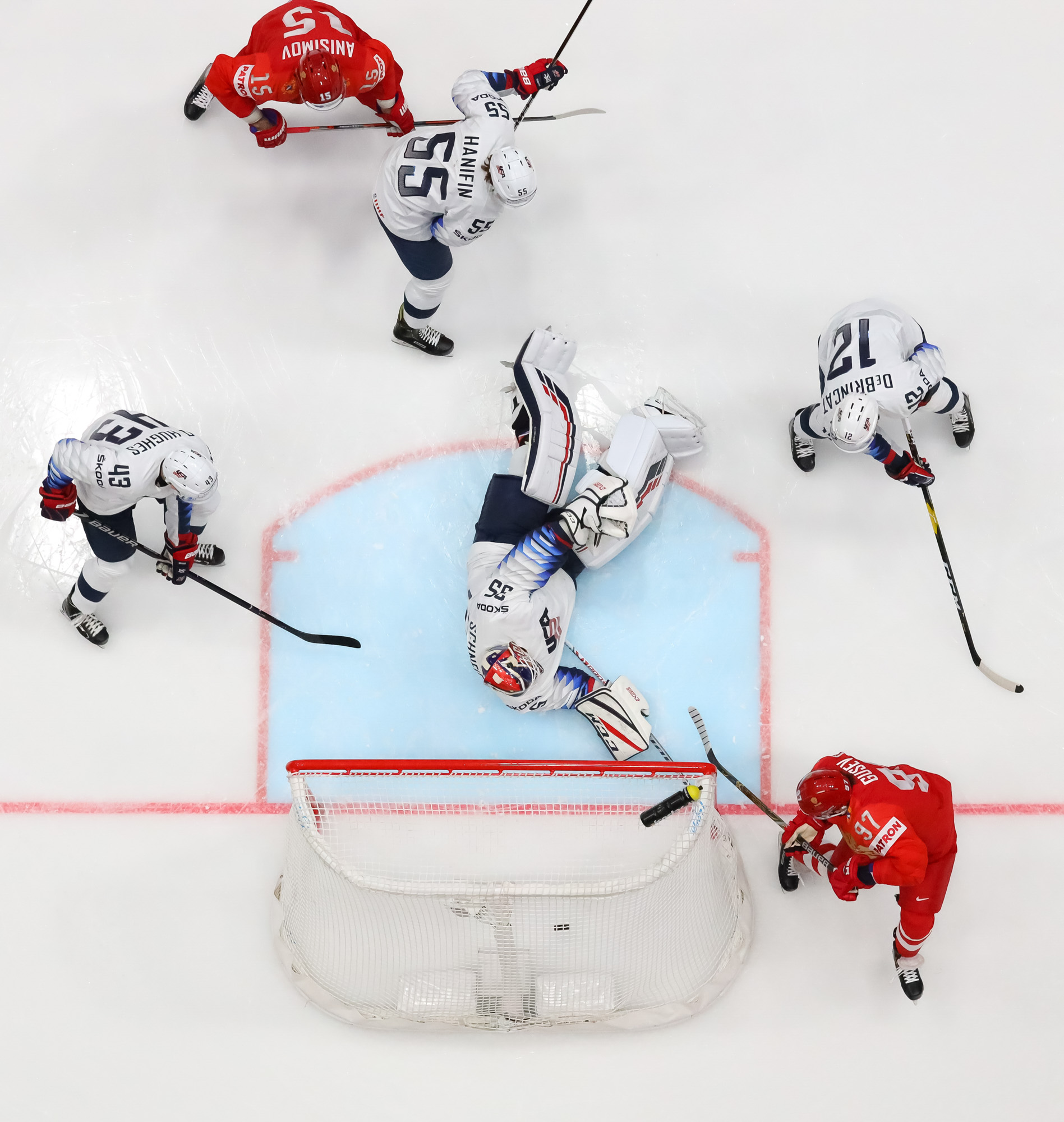 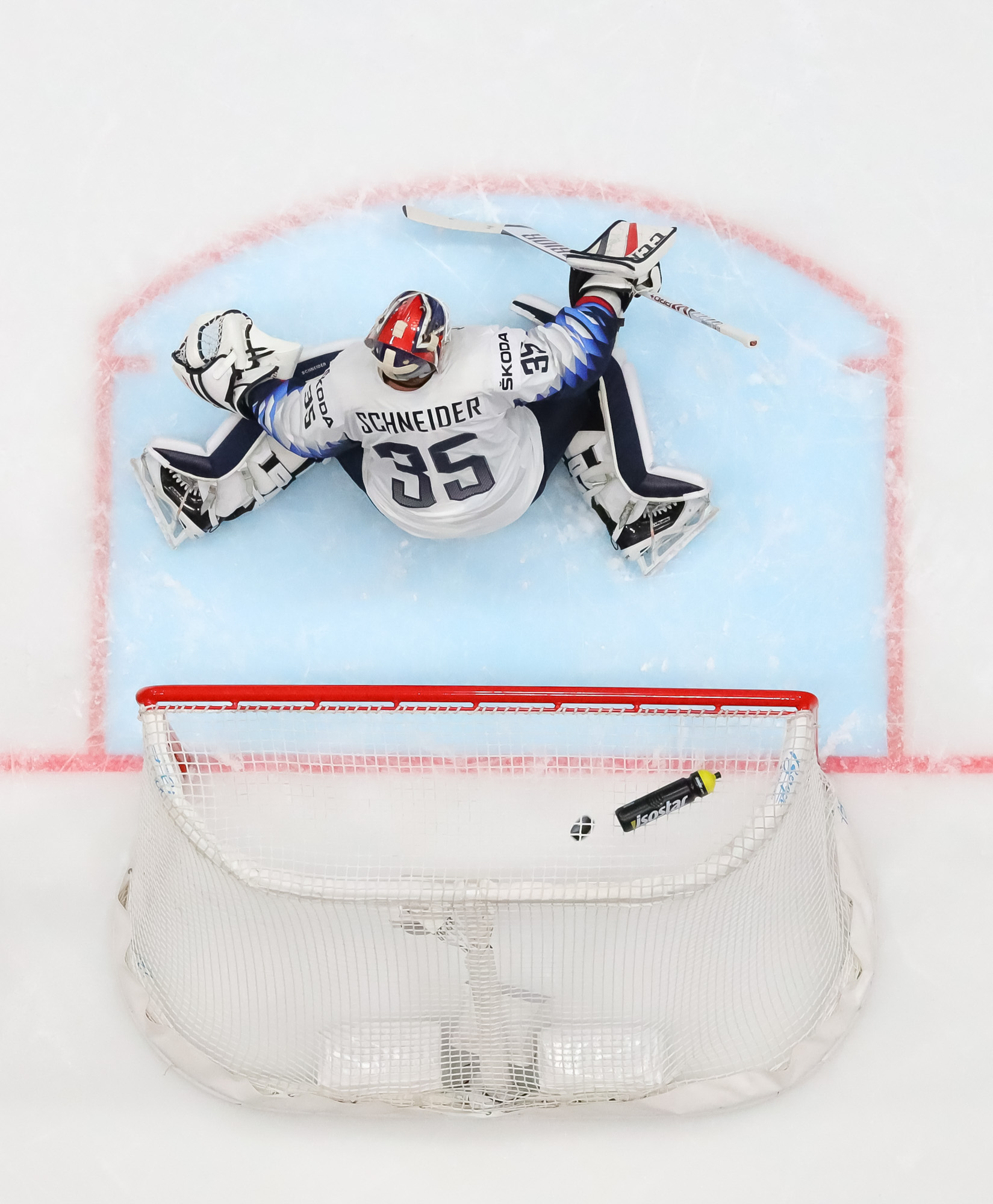 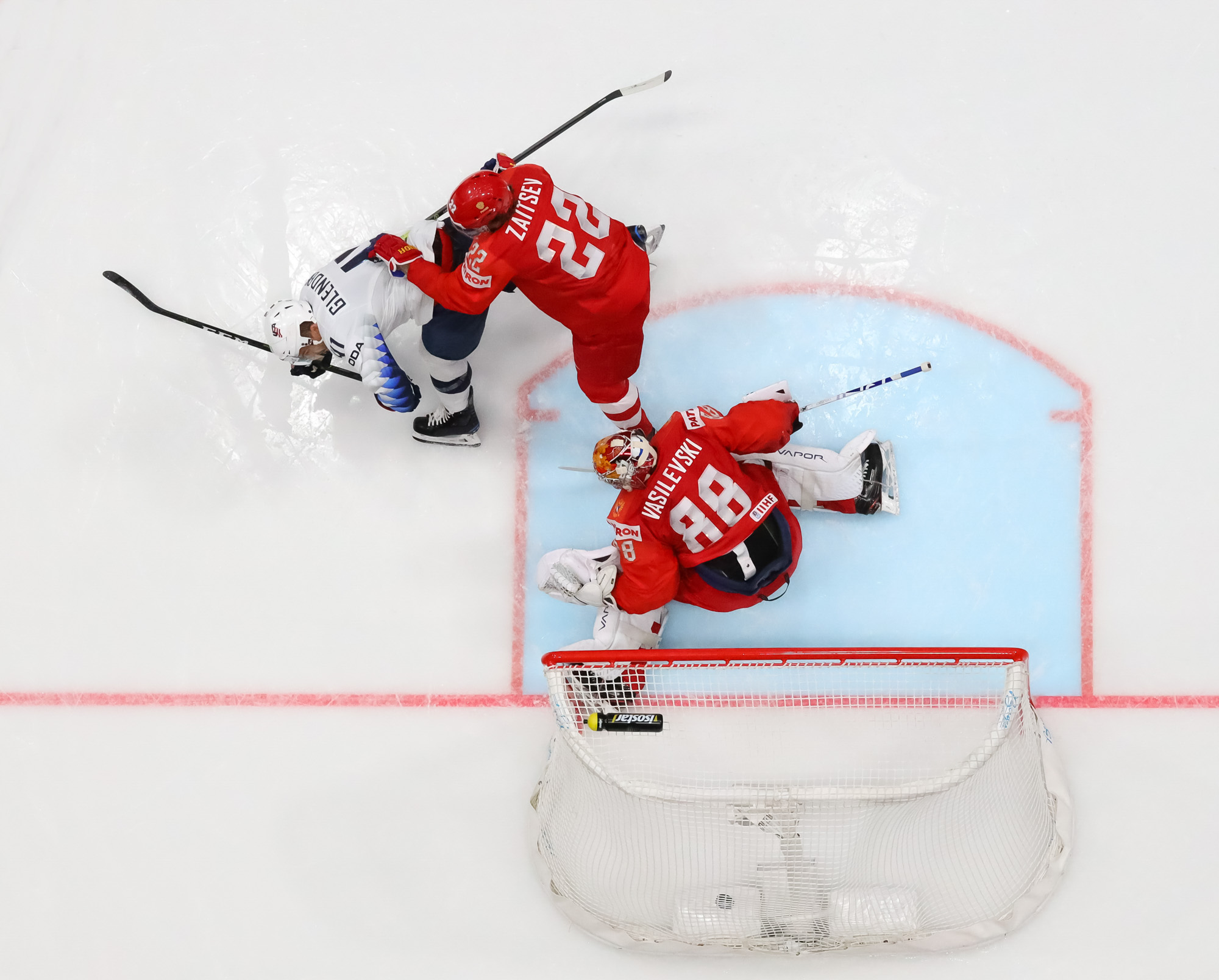 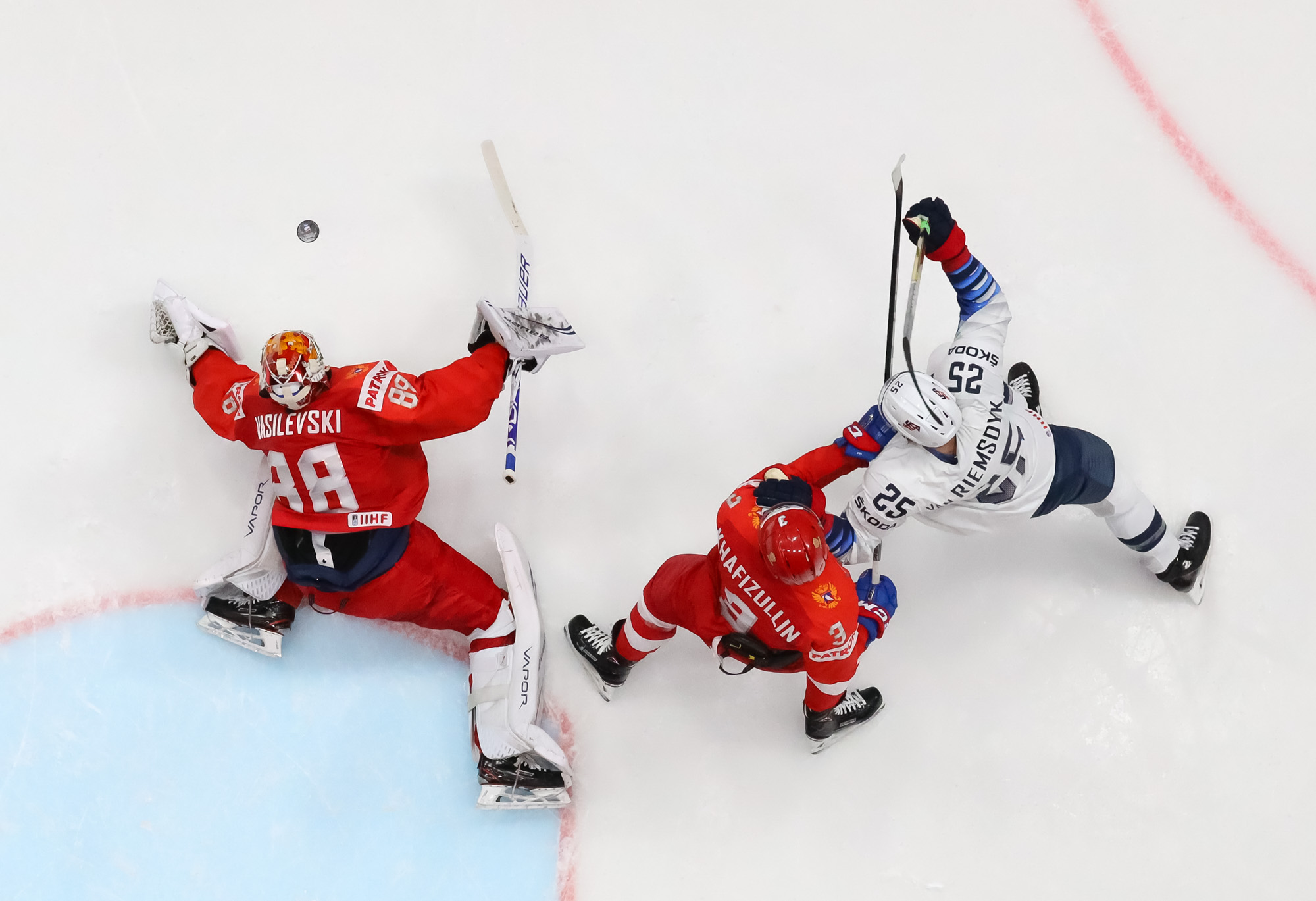 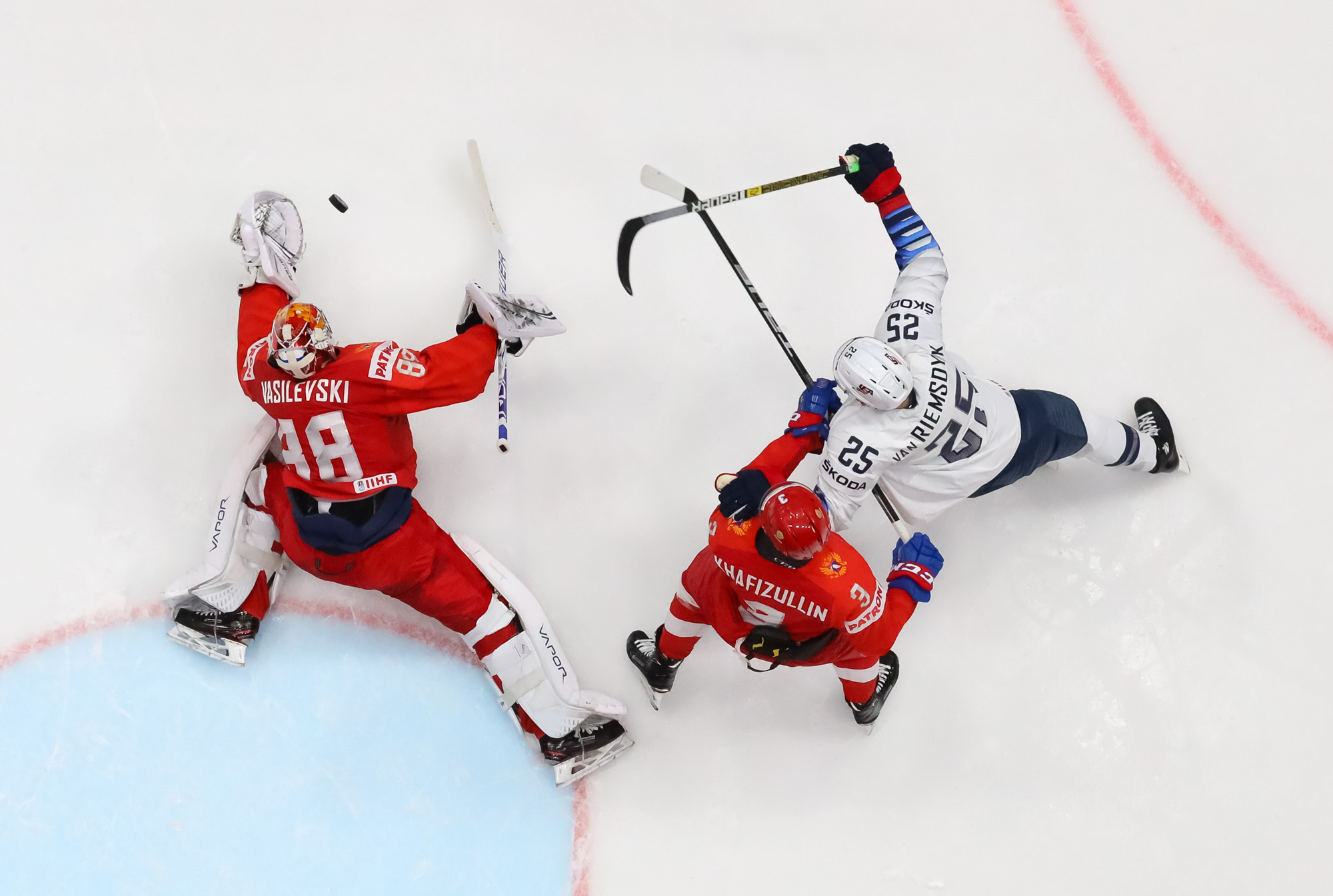