The U.S. wrapped up a perfect preliminary round with a 7-1 dispatching of Latvia. The Americans will face Finland, the defending champions, in the quarter-finals on Thursday.

The Finns struggled with three straight losses before slaughtering Switzerland 12-0 in their last Group A game in Umea. It’s an unusual quarter-final matchup. The Americans and Finns played each other in the 2015, 2017 and 2018 gold medal games. The U.S. prevailed in 2015 and 2017 and Finland won last year.

American head coach John Wroblewski said Finland poses a significant challenge in this rematch: "They're stingy around their own net. They stifle us. They held us to zero goals in an exhibition game [1-0 in Heinola, Finland]. Their goaltender is sharp. They've got skill. It's a different quarter-final matchup, but one that we're embracing in our room."

Versus Latvia, Cole Caufield continued his torrid pace with two goals for the Americans. With a tournament-high 11 goals, he's now just three shy of Alexander Ovechkin's record of 14, set in 2002.

"It's insane," said John Beecher, who also had a pair of goals. "Last year, he was scoring hat tricks and we'd all be just in awe of it. Nowadays, it just seems normal, you know what I mean? It's just another game for him."

Matthew Boldy and Bobby Brink had a goal and an assist apiece. Cam York added a single. Captain Jack Hughes, last year's U18 MVP and the likely #1 overall pick of the New Jersey Devils in June's NHL Draft, had two assists, as did Trevor Zegras.

Hughes was asked if he felt extra motivation to defeat Finland, which also edged his U.S. team for World Junior gold in January. He replied: "Not really. We knew we had to get through some good countries to win the gold medals, so why not start in the quarters?"

Kristaps Skrastins had the only goal for Latvia, which was outshot 46-14.

With first place in Group B already sewn up, the Americans wanted to get through this game injury-free. Latvia was already locked into fourth place in the group, and will battle the winner of Tuesday's Canada-Czech Republic game in the quarter-finals.

"We had some good shifts in the game," said Latvia's Miks Tumanovs. "We had chances, but we couldn't score more. And we need to build that up in the next game against Canada or the Czech Republic."Caufield (13 points) and Hughes (12 points) are leading an assault on the IIHF record book. Both have a shot at breaking Russian star Nikita Kucherov’s single-tournament points record (21) from 2011.

Hughes has already set an U18 record for most points in one game – seven – with four goals and three assists in a 12-5 romp over Slovakia. (Toni Rajala also had seven points against Norway in Finland’s 10-1 win on 13 April, 2009, but Rajala had three goals and four assists.) Caufield had four goals in the win over Slovakia too, equalling the previous mark set by multiple players, including Ovechkin and Marian Gaborik.

The Latvians were coming off Monday’s high of beating Slovakia 2-0 to clinch a quarter-final berth, and couldn’t replicate that tight defensive effort. It took just two minutes for Beecher to open the scoring on a fierce one-timer from the right faceoff circle.

The teams traded ineffective power plays, and when Caufield hit the crossbar from the slot, the Latvians hoped the bounces would keep going their way. But it was not to be.

At 5:37 of the second period, Caufield made it 2-0, sending the puck to Zegras on the side boards, getting it back, and dipsy-doodling to the front of the net to beat Latvian starter Arturs Silovs. Caufield's 10th goal of the tournament set a new American record, surpassing fellow Wisconsin native Phil Kessel's mark of nine (2005).

"We were out there for kind of a long time," said Caufield. "We were just working them a lot down low. Zee made a great behind-the-back look to me, and I had kind of a mini-breakaway and put it five-hole."

Cam York took a Hughes feed in the Latvian zone and circled the net before scoring the third U.S. goal from the right faceoff circle at 10:48.

On a U.S. power play, it took just eight seconds for Caufield to stretch America's lead to 4-0 at 14:40, converting a cross-crease feed from Zegras from a bad angle. Latvian coach Olegs Sorokins decided to give Silovs a break and replaced him with Rudolfs Lazins.

With the teams playing 4-on-4, Beecher got his second of the afternoon with a nice burst of power off left wing and around the Latvian defence, stuffing home a backhander in tight at 18:20.

Just eight seconds into the third period, Skrastins ruined Knight's shutout bid, catching the goalie napping with a wrister from the right side. With just over 12 minutes left in the third, Knight would be replaced by backup goalie Cam Rowe, seeing his first action of these U18 Worlds.

America forged forward. Boldy put the U.S. up 6-1 from the left faceoff circle at 5:10 with his team's second power play goal of the game. Boldy then set up Brink with a sweet backhanded pass for the seventh goal with just over four minutes remaining.

Regardless of what happens in the playoffs, this is already a ground-breaking tournament for Latvia. The proud Baltic country will finish better than ninth for the first time ever.

Looking ahead to the quarter-finals, Tumanovs said: "We just need to outwork them, really. Get pucks deep and try to be first to them. That's it. We need everybody to win, even to compete against one of the best teams. I think we can do it." 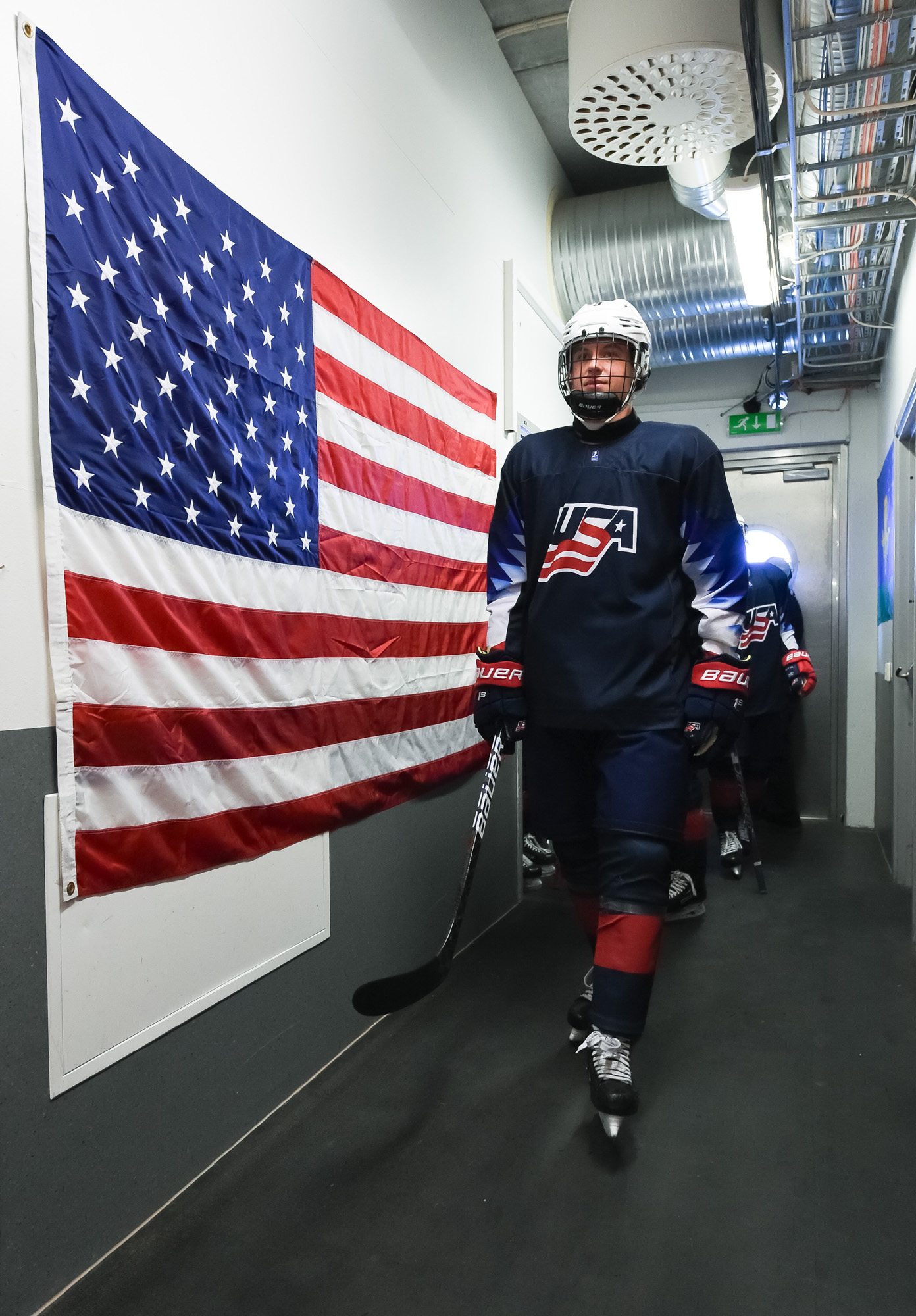 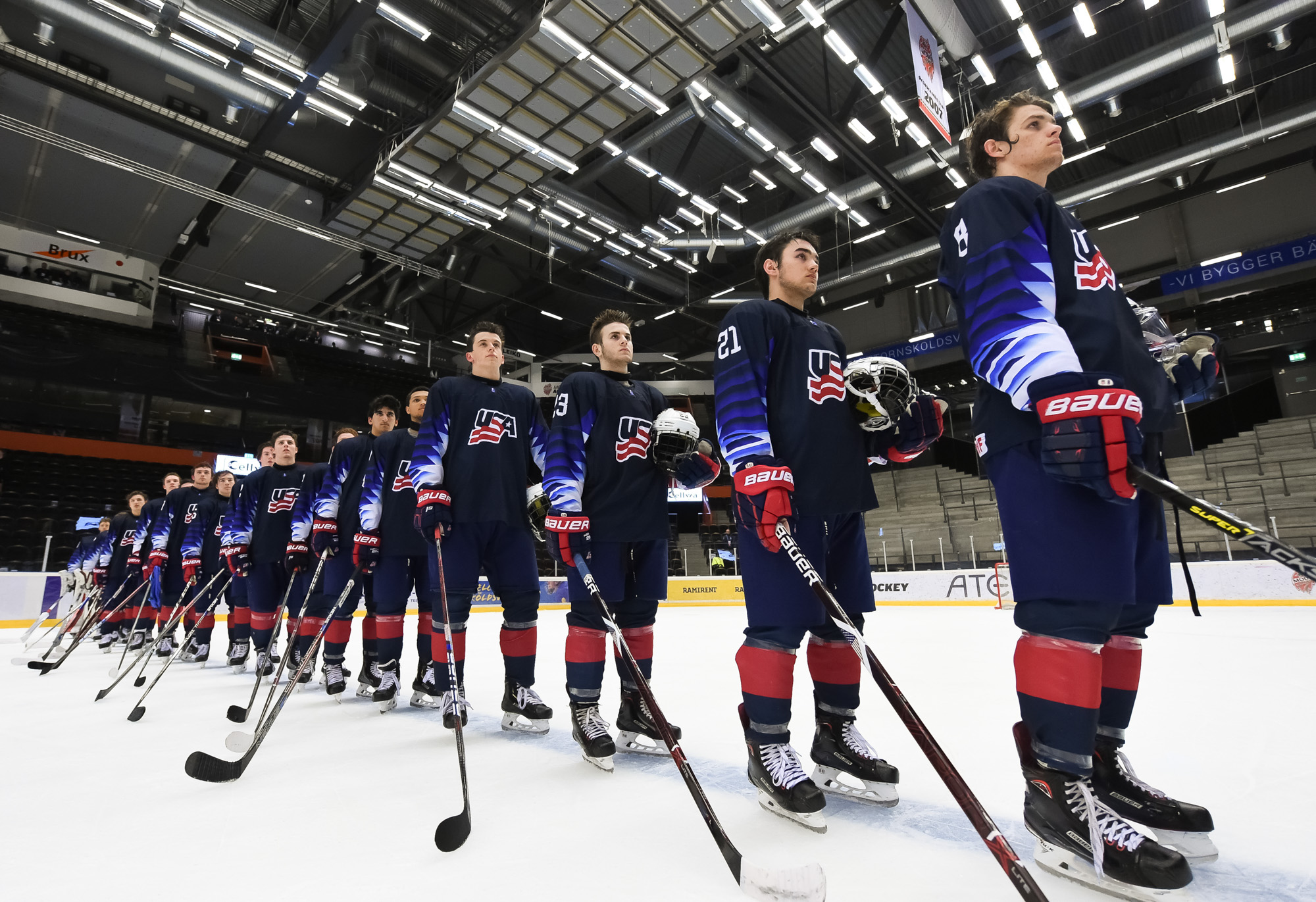 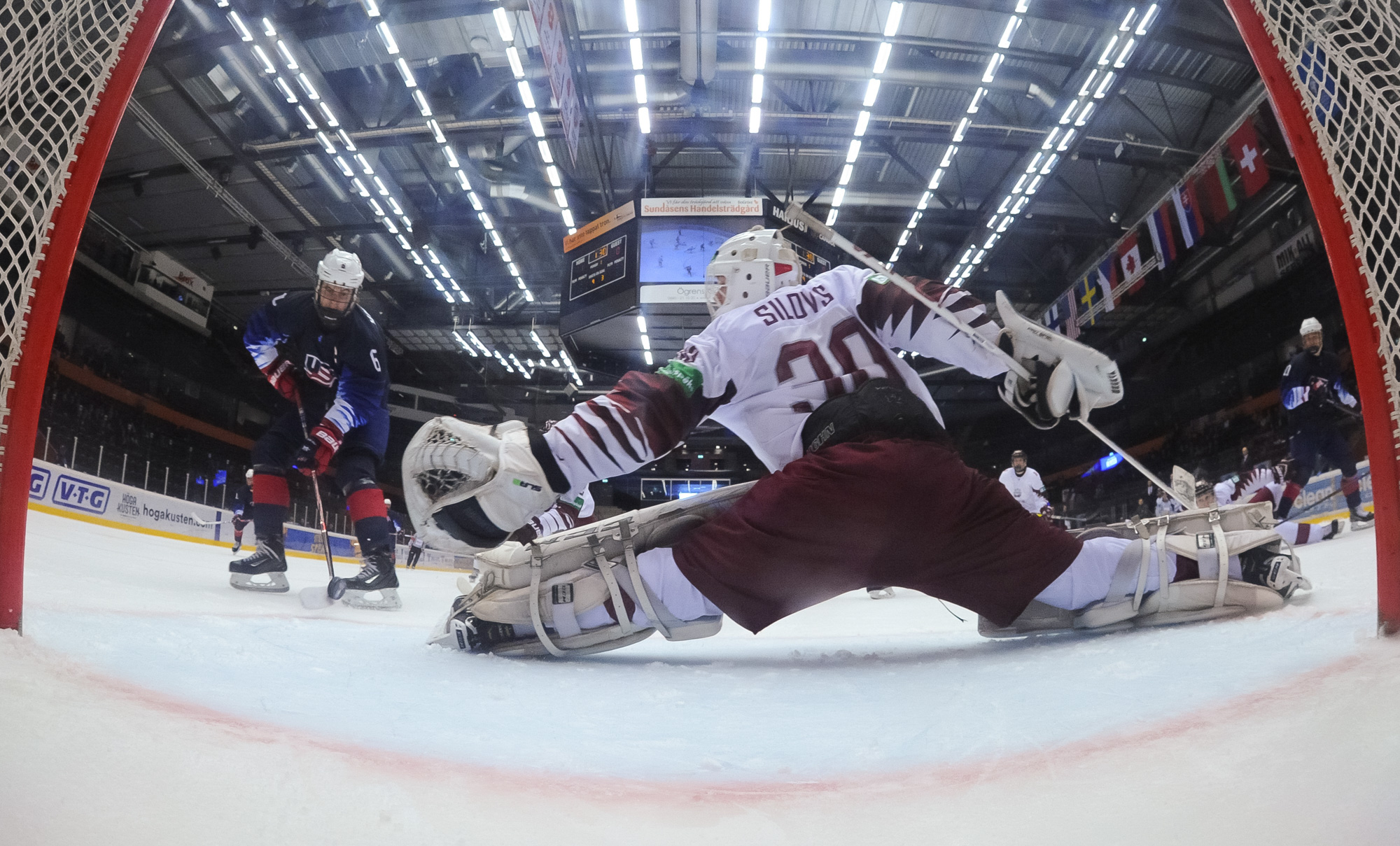 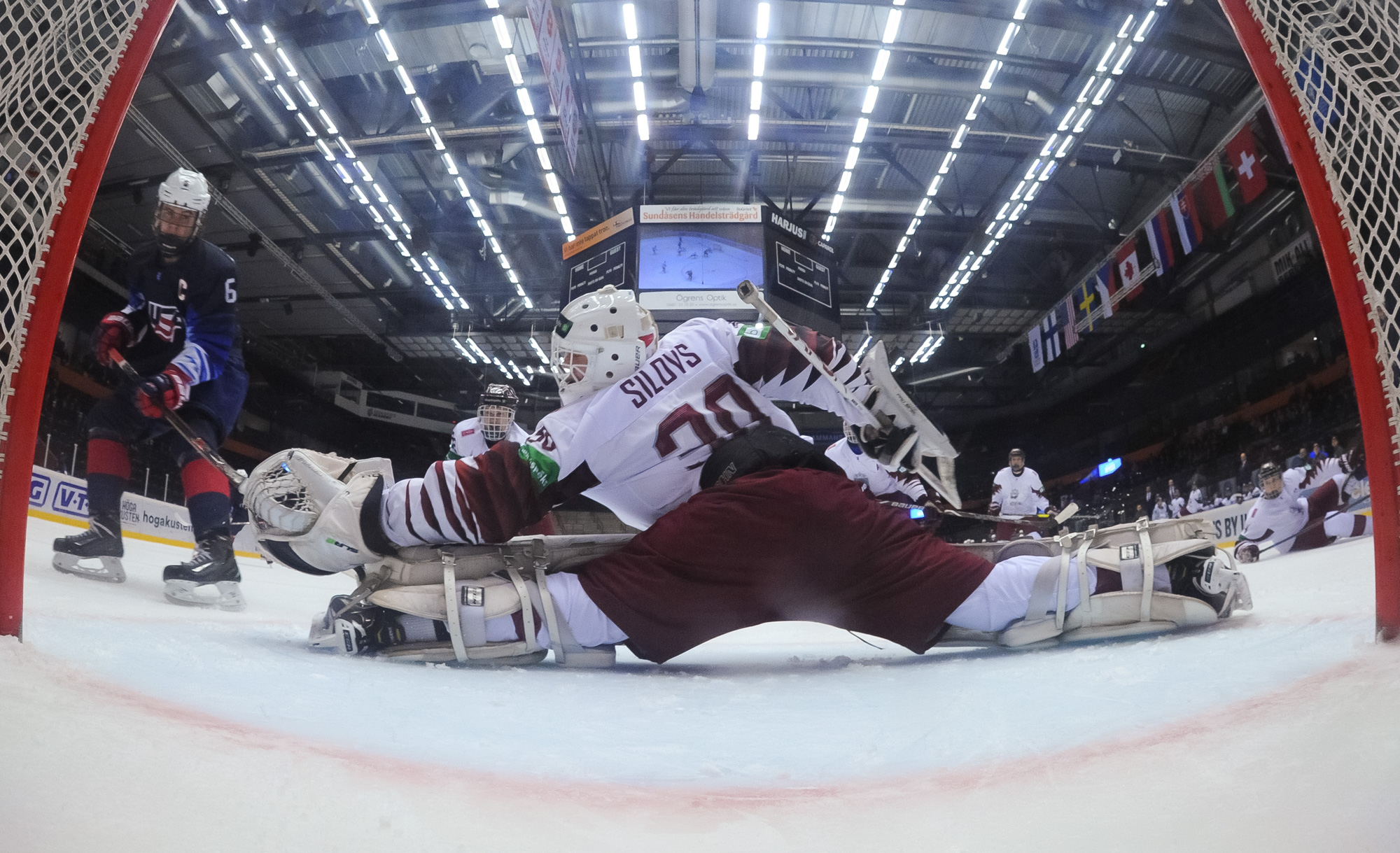 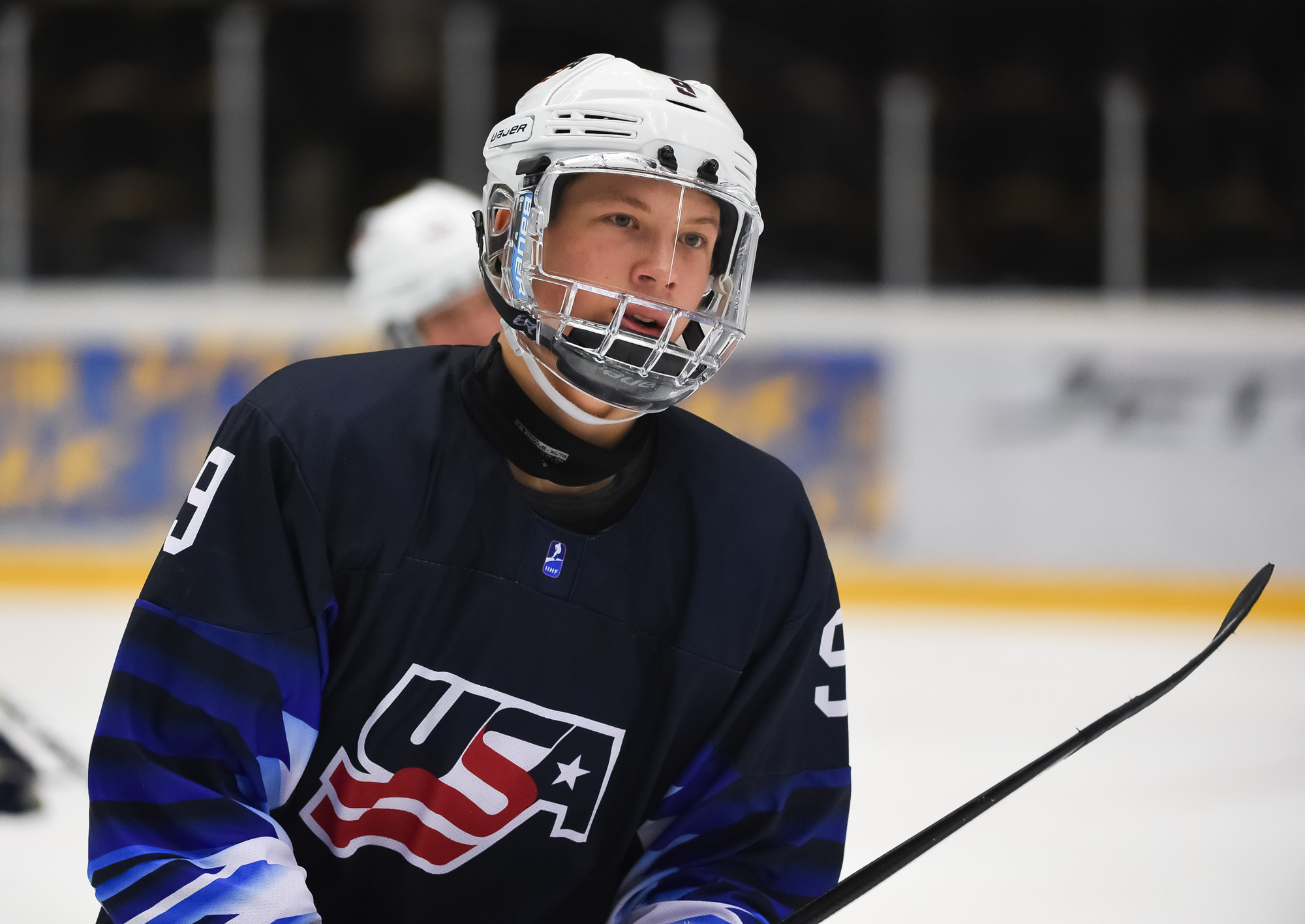 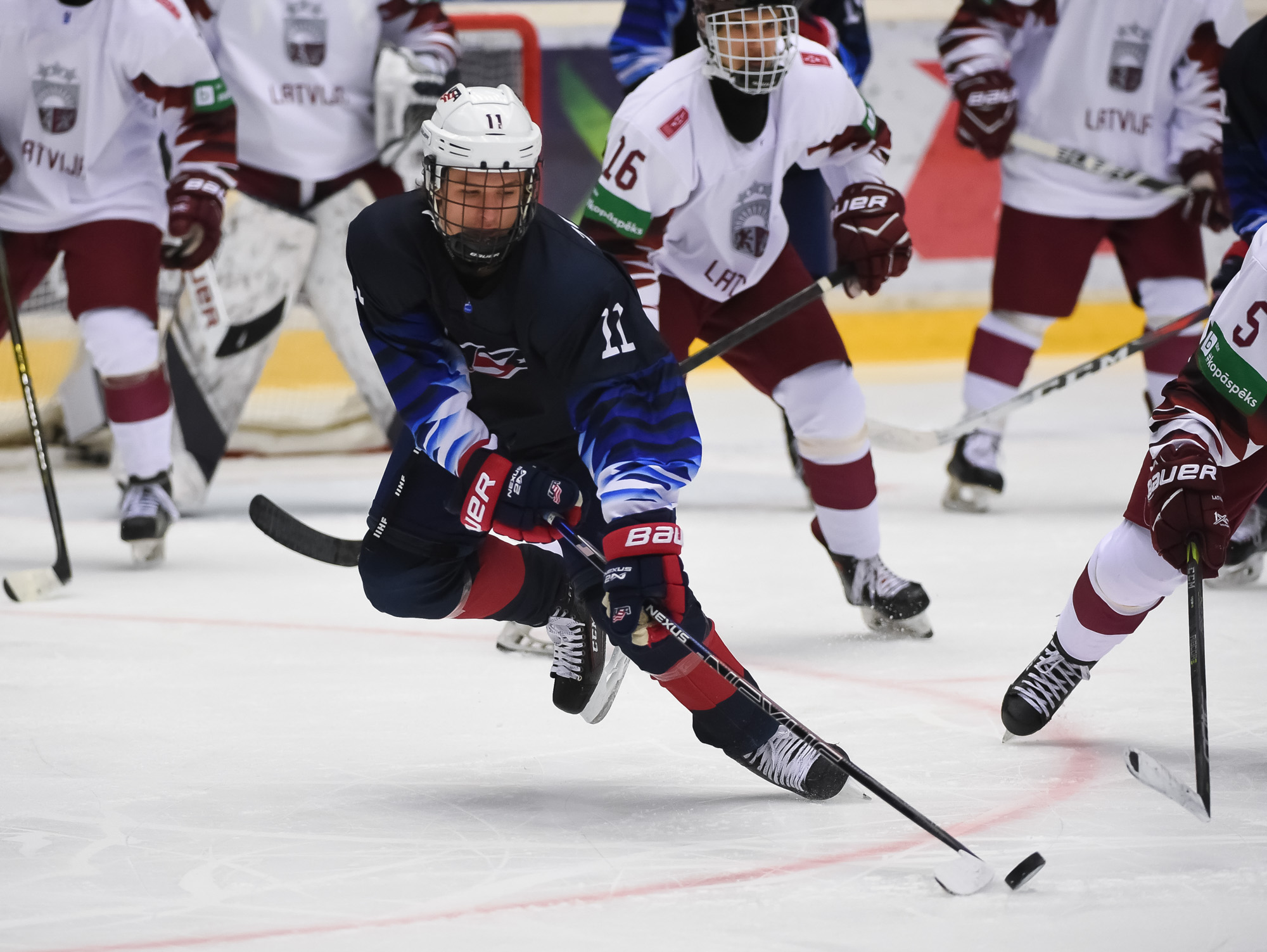 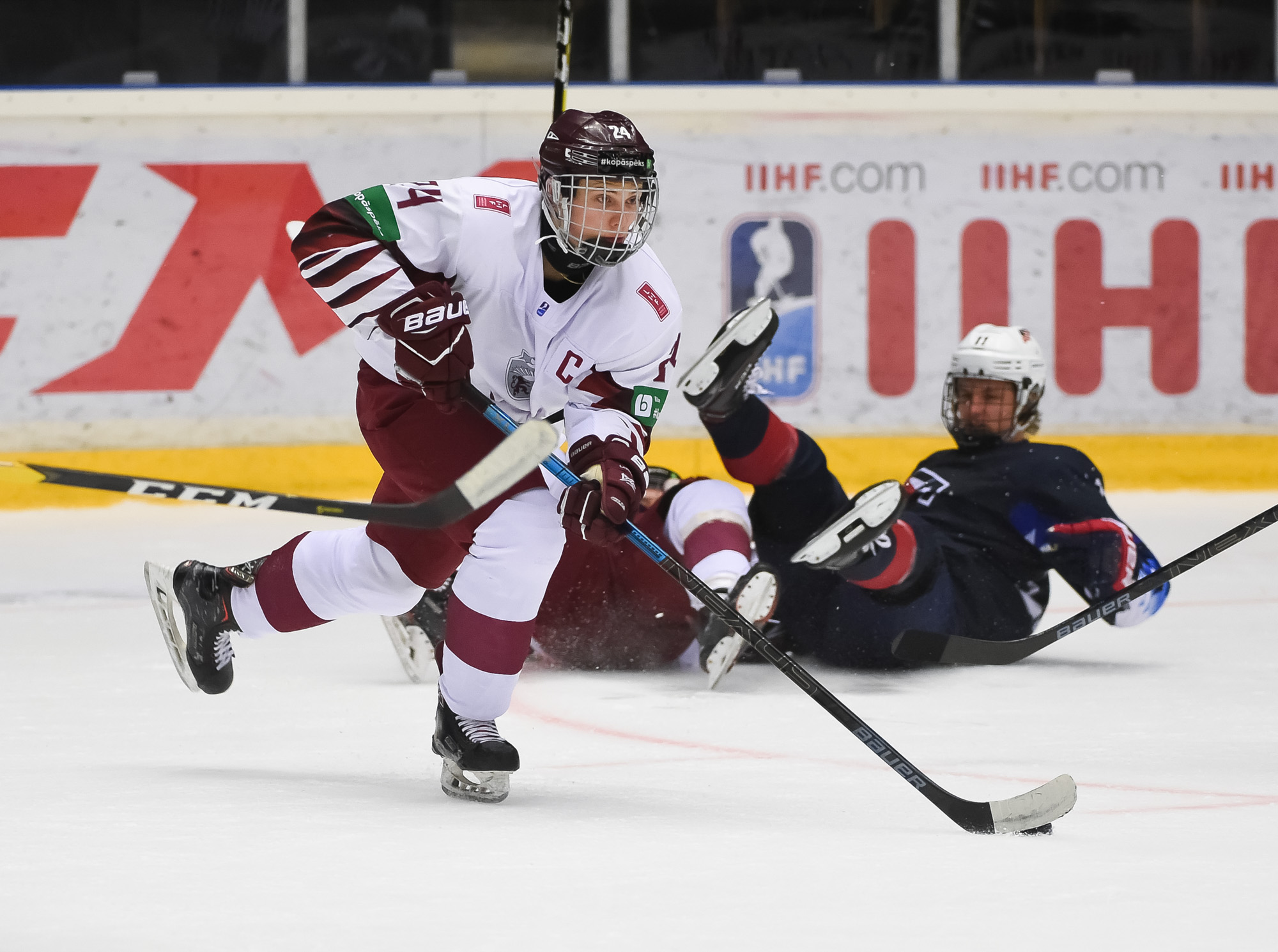 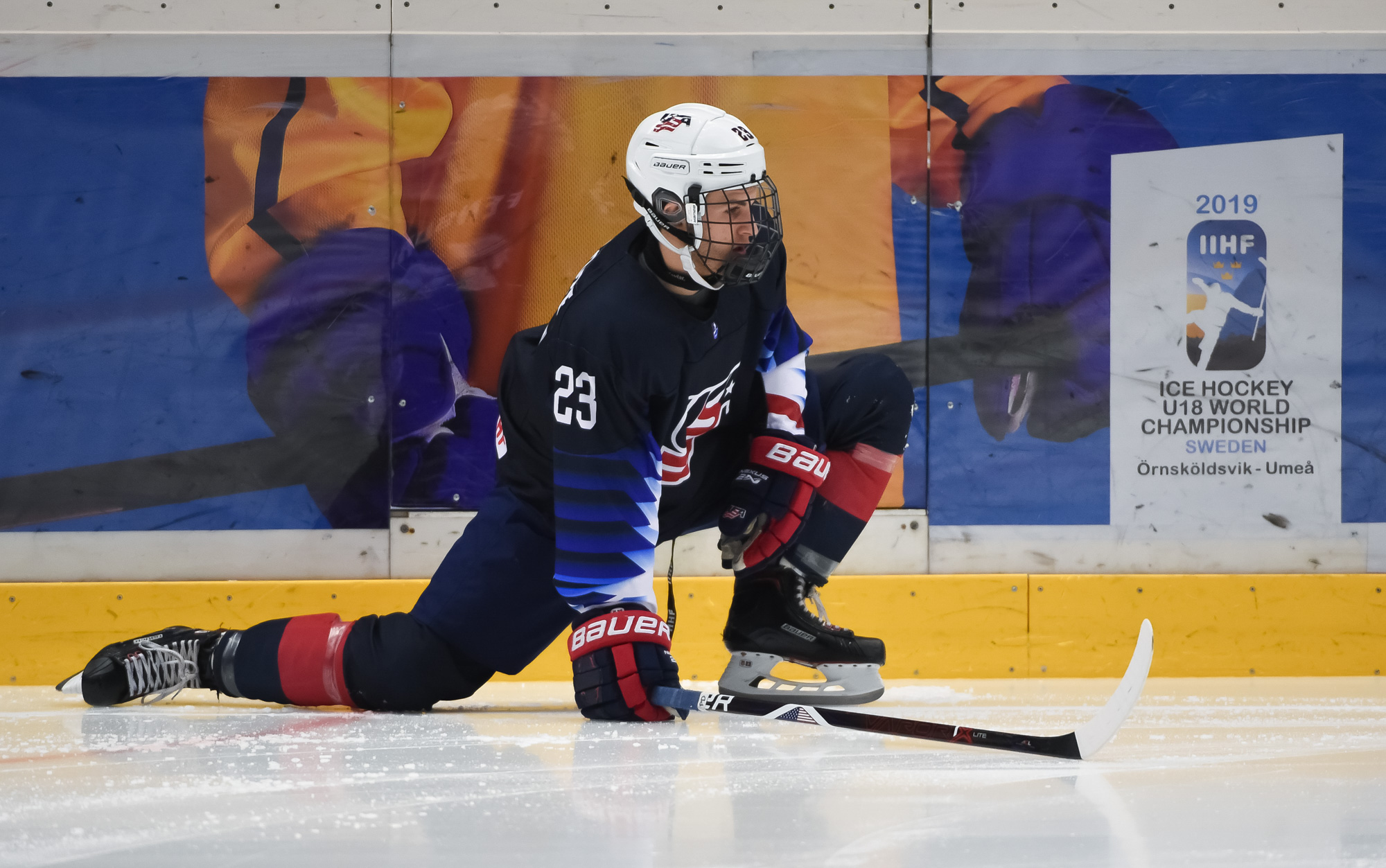 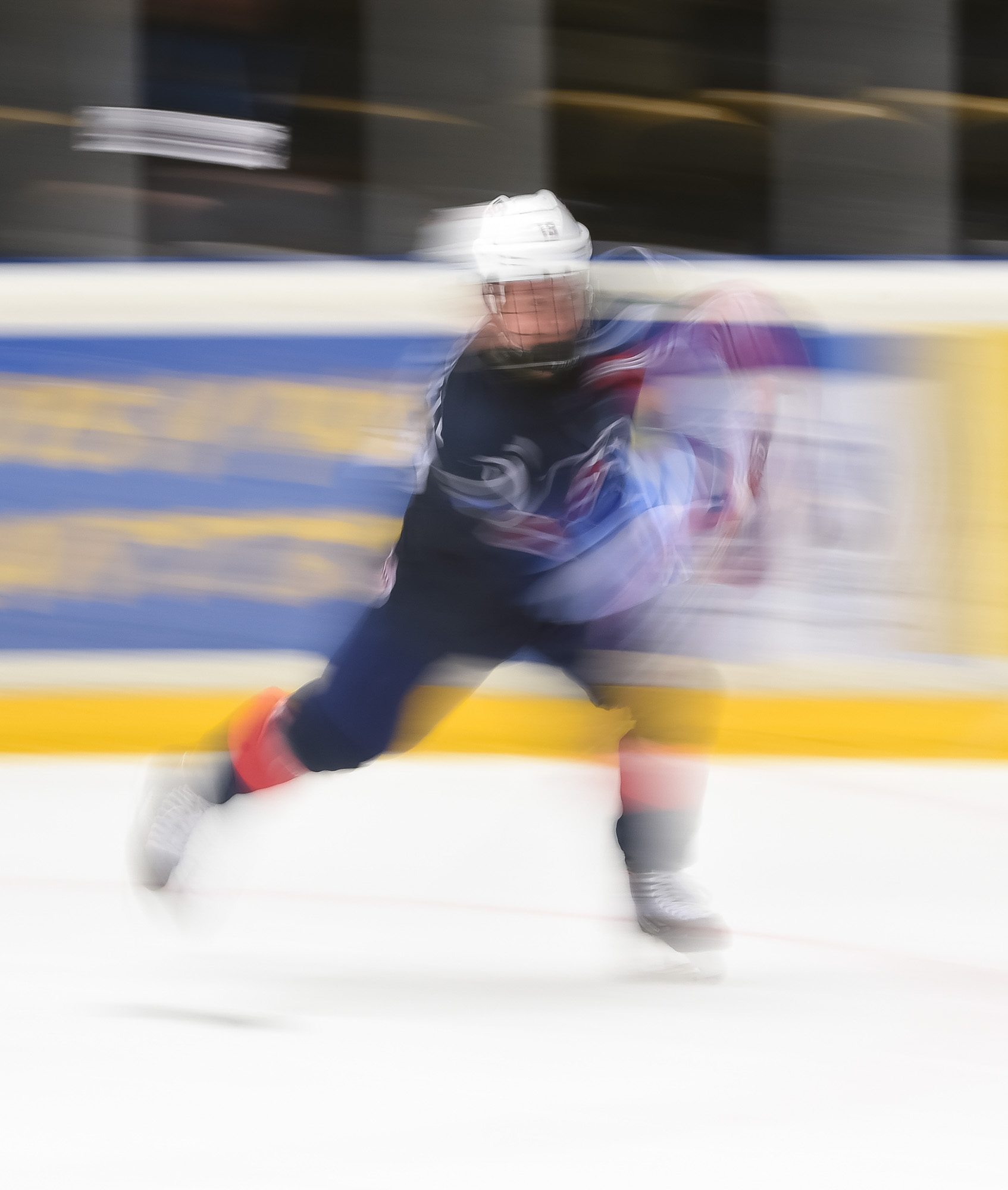 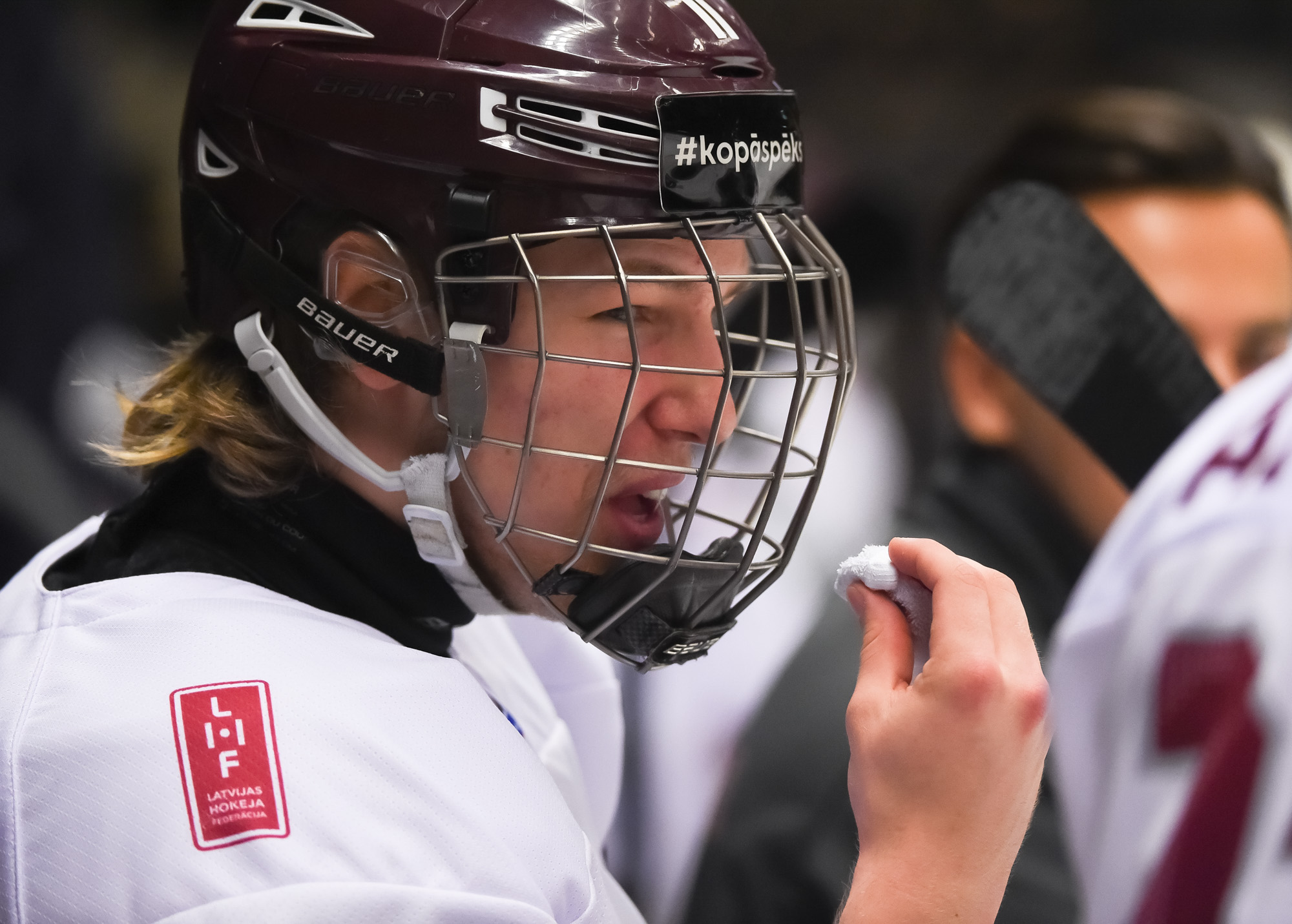 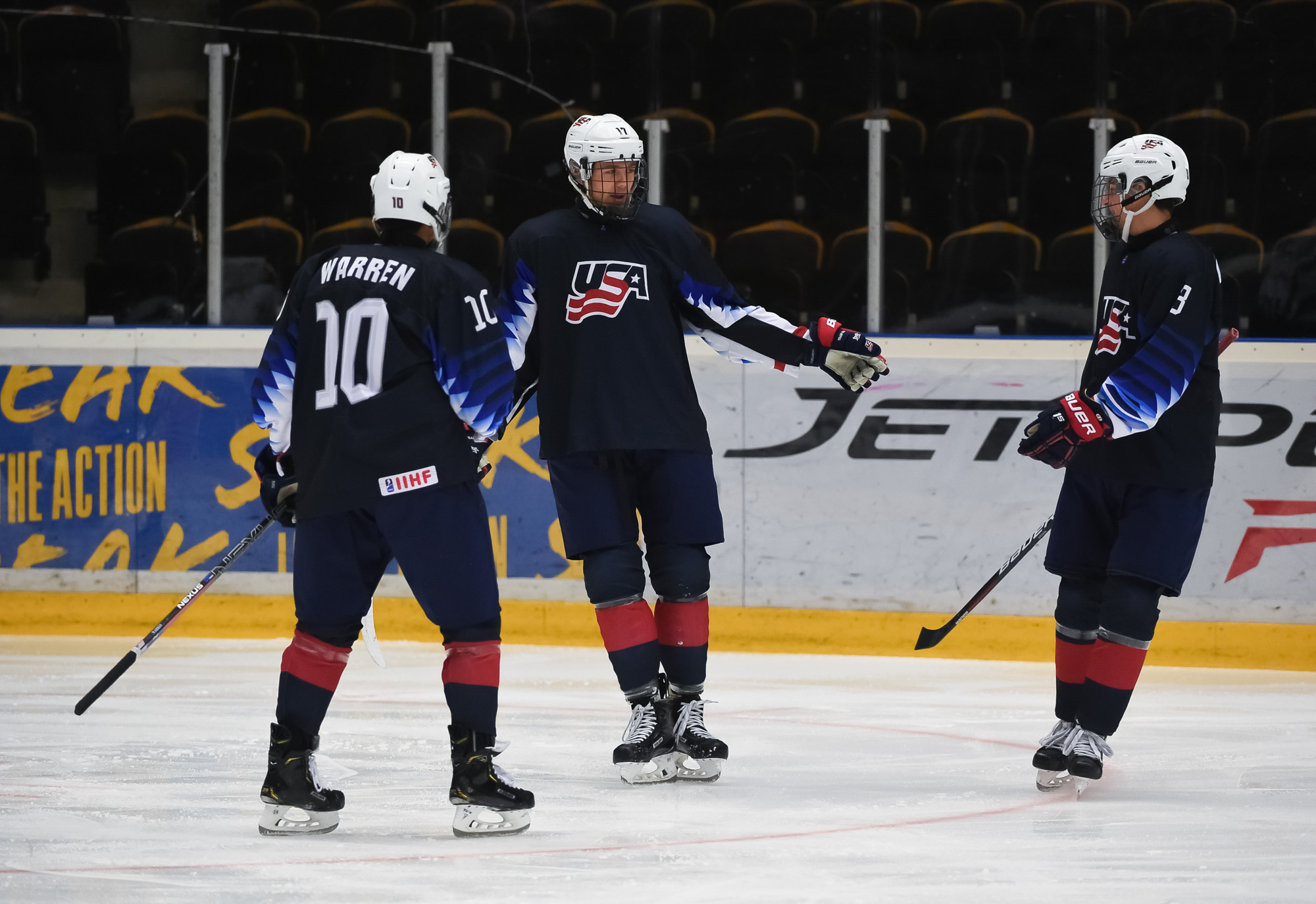 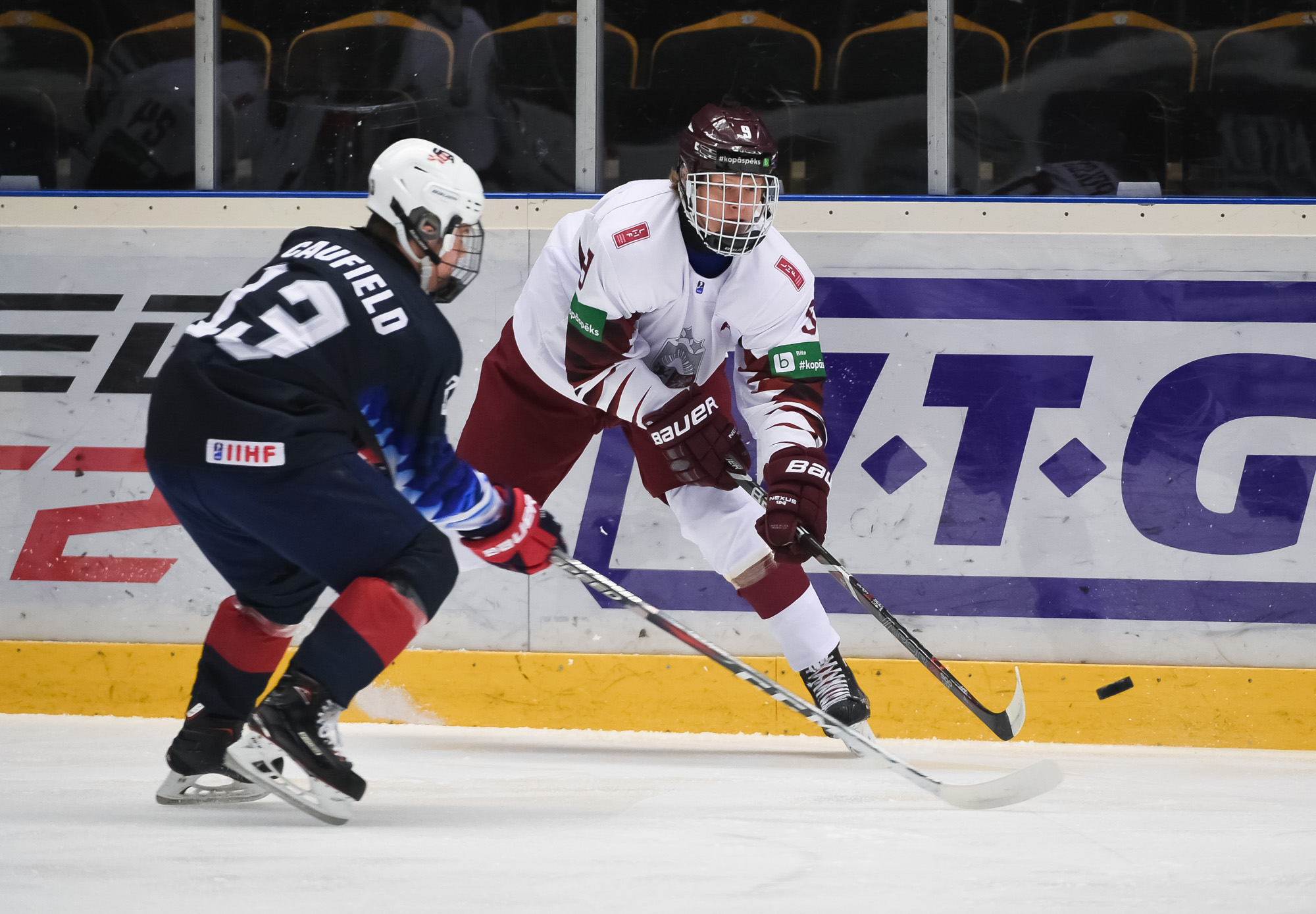 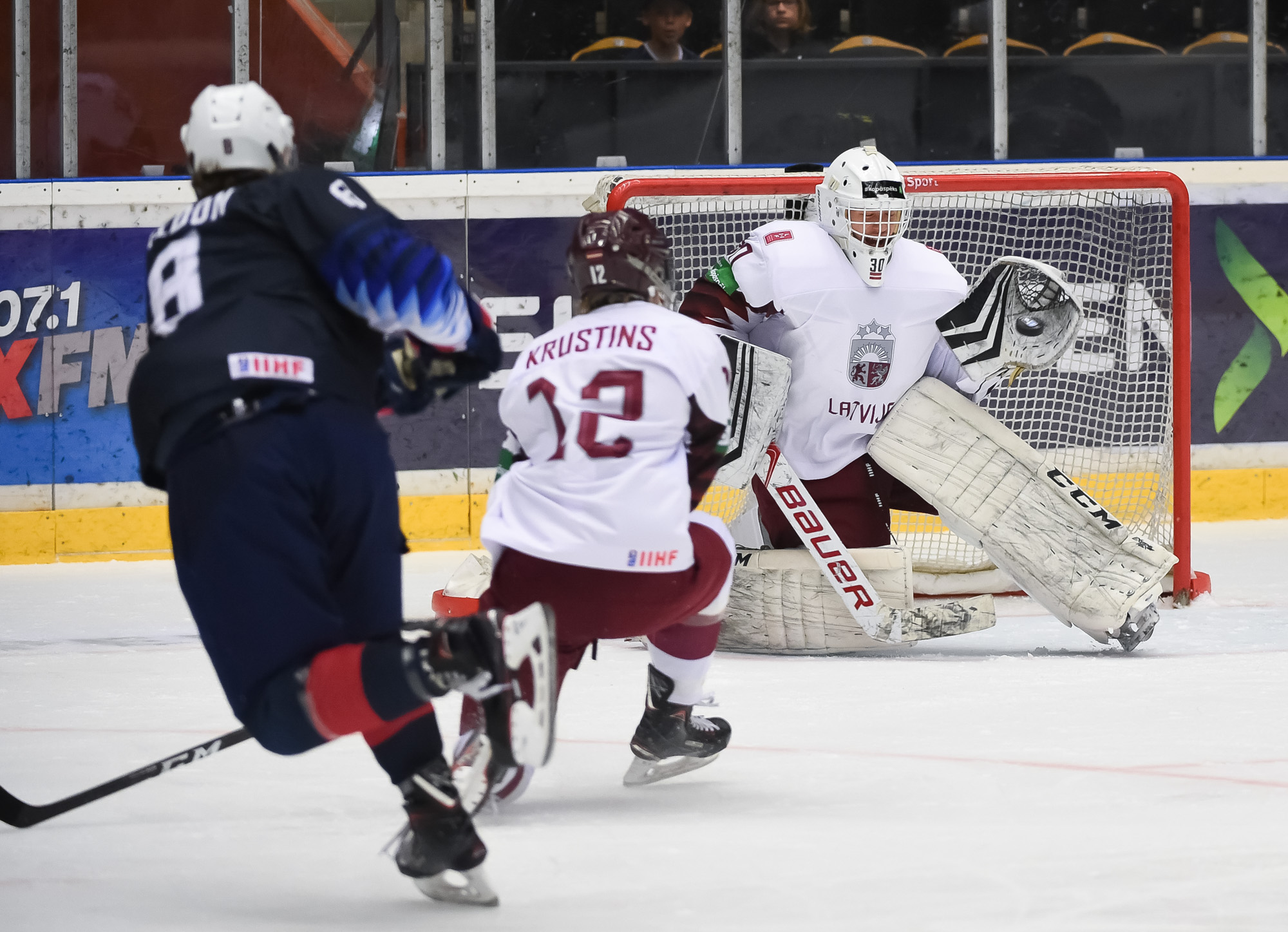 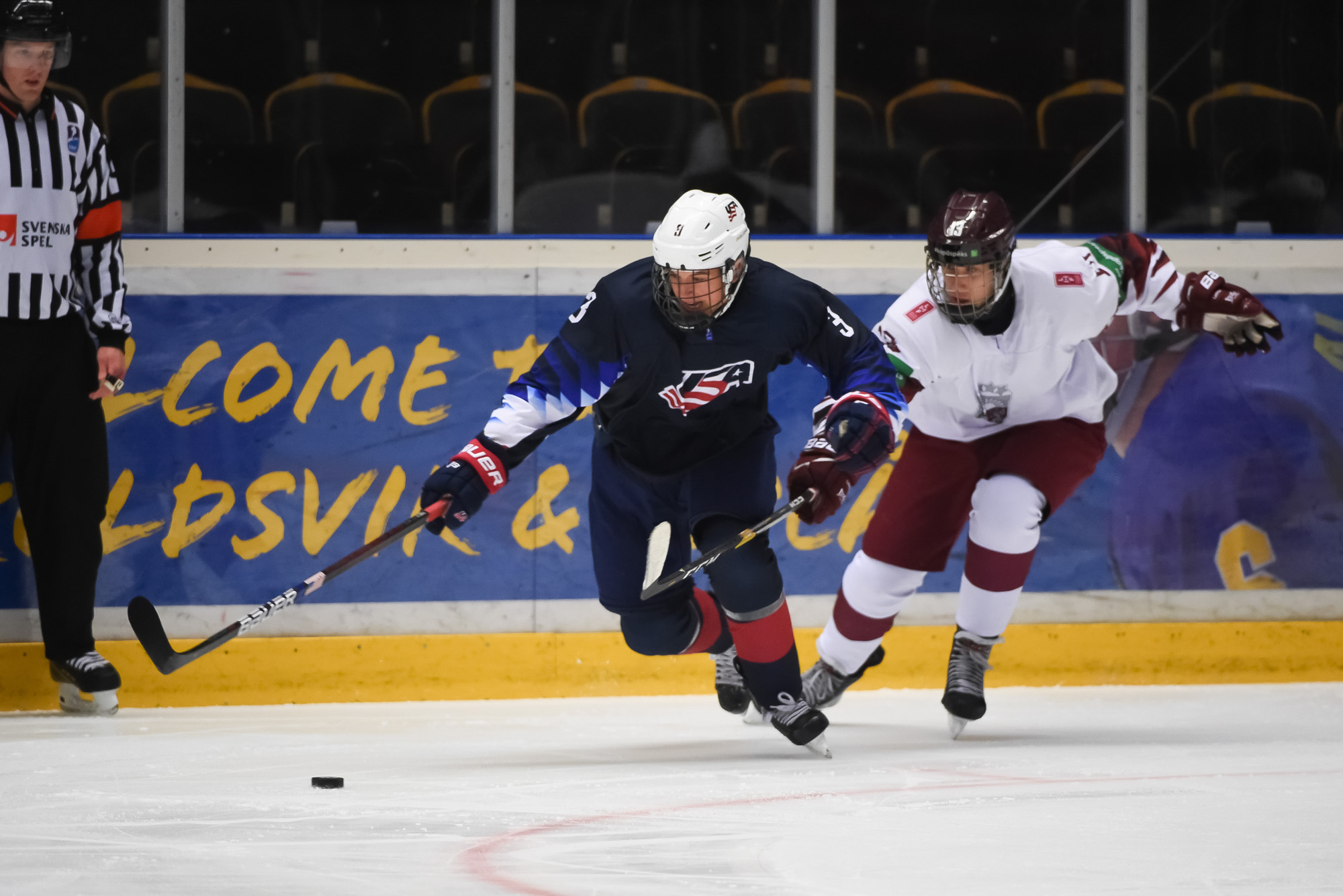 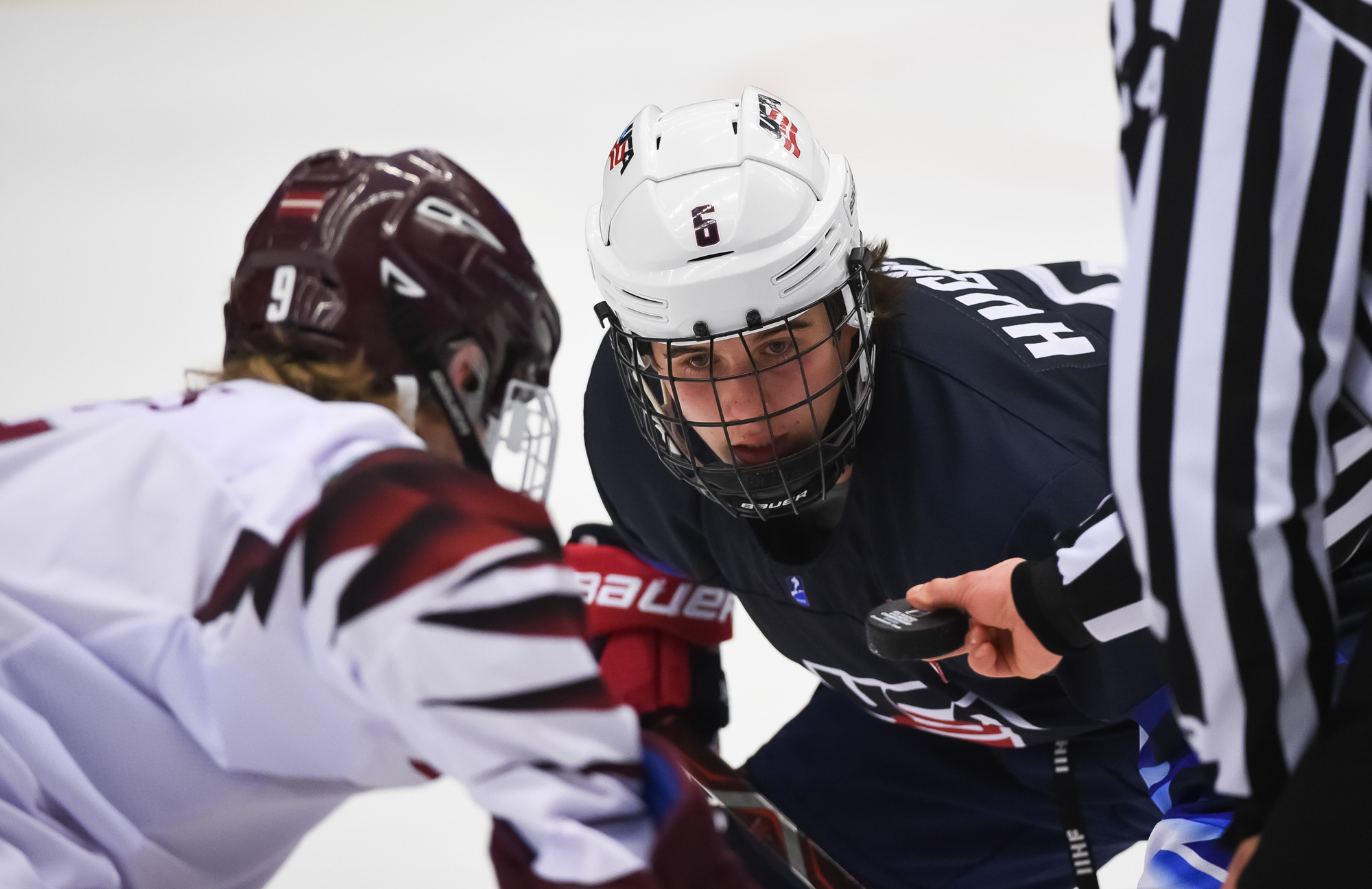 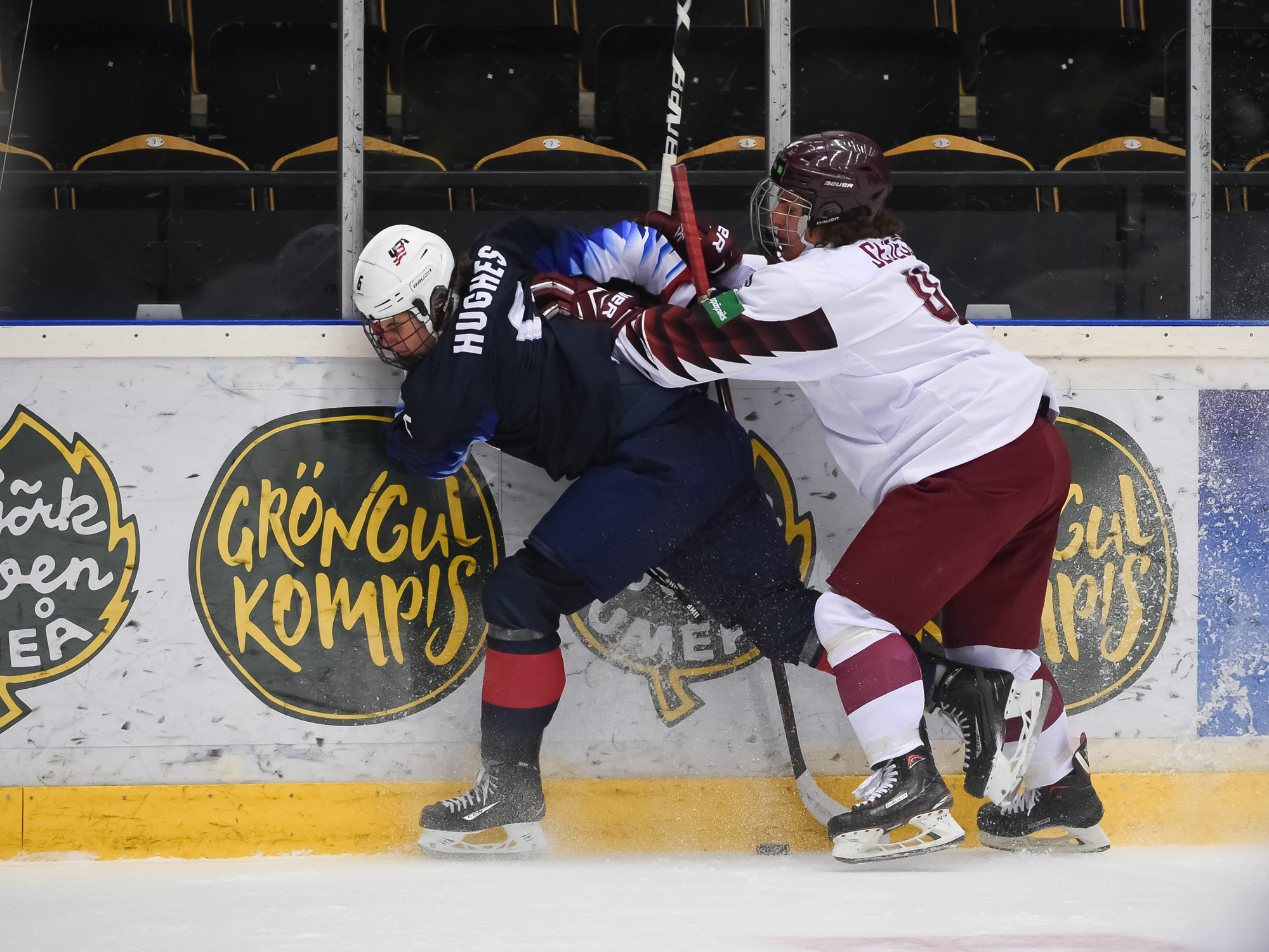 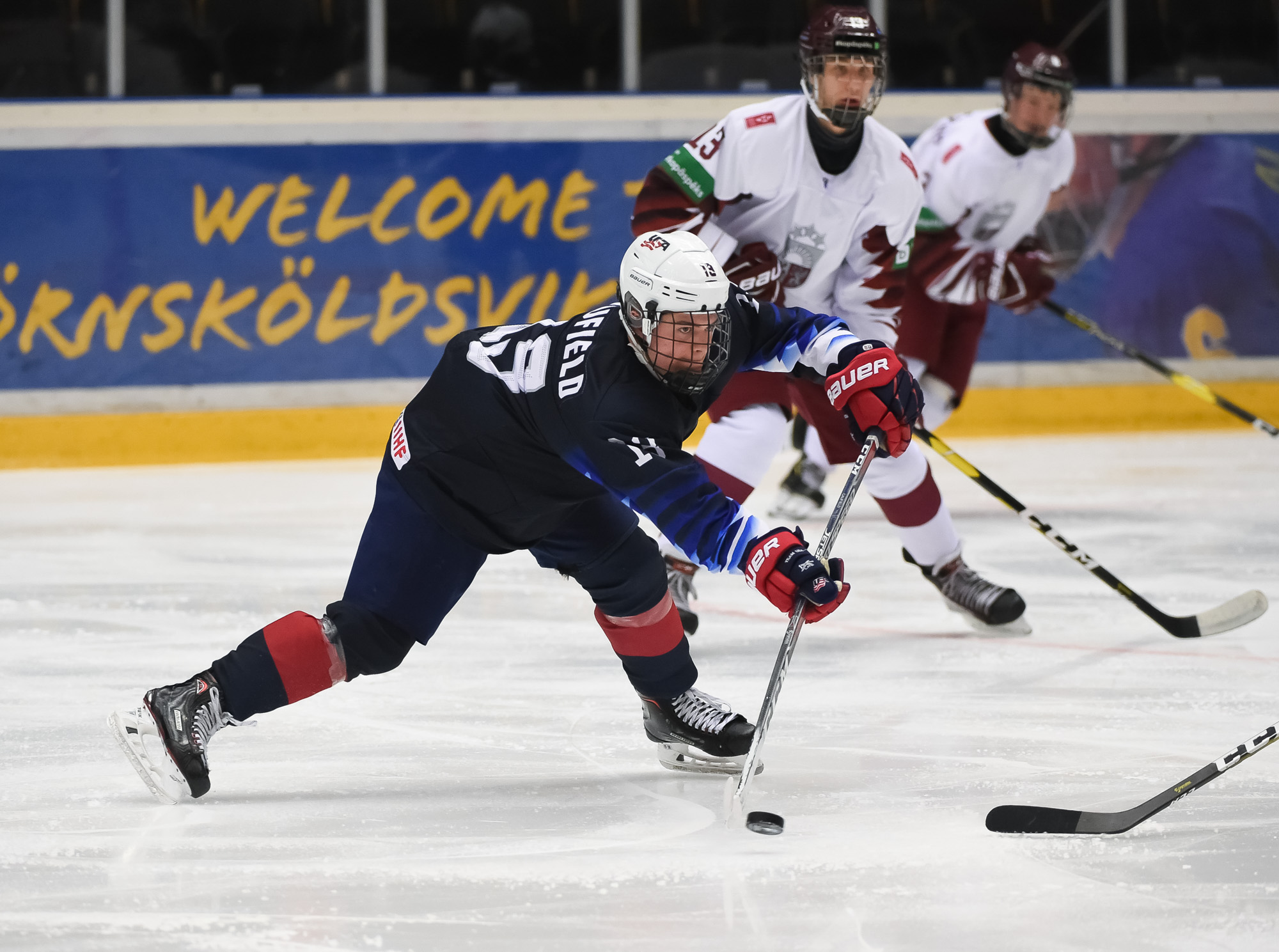 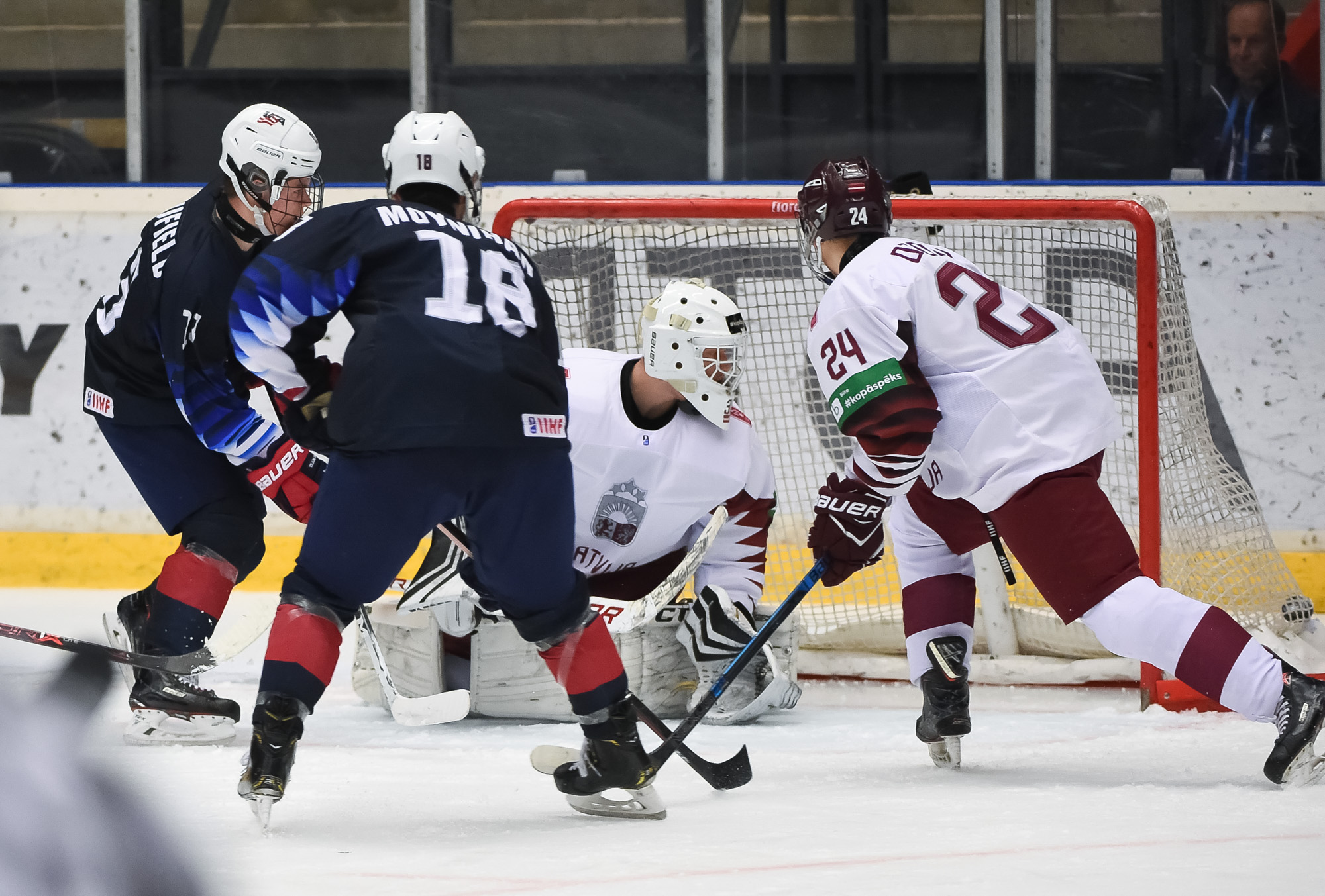 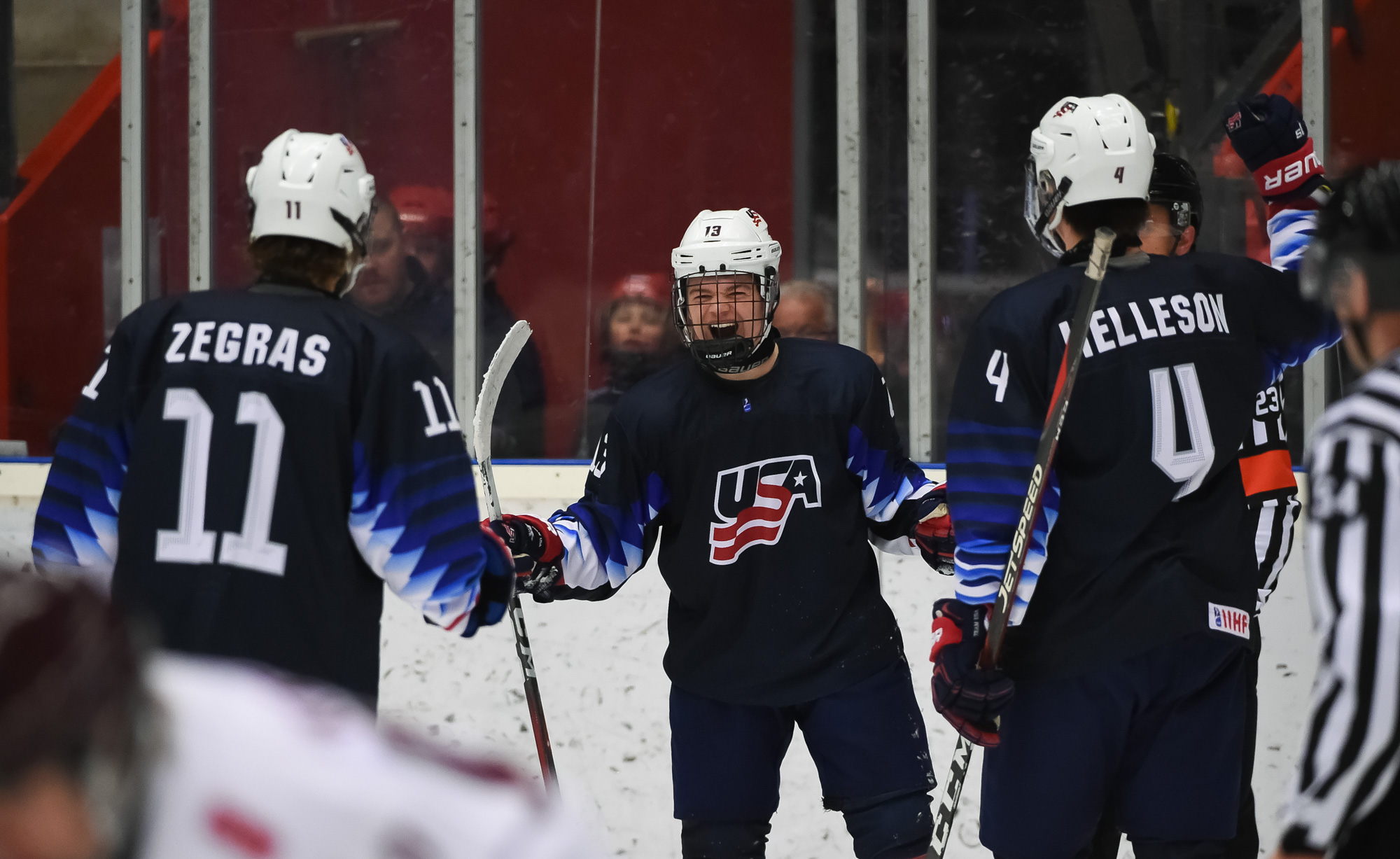 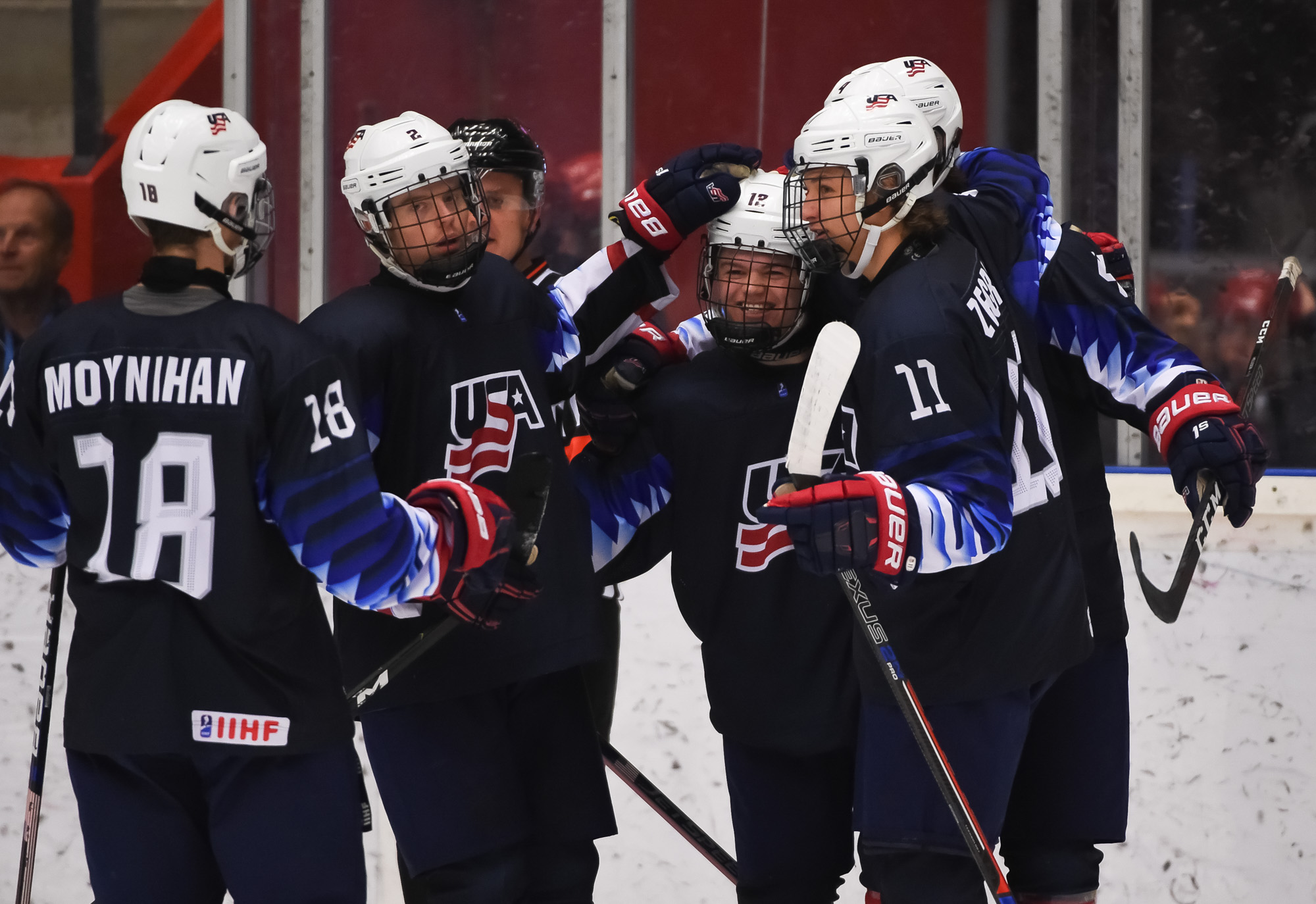 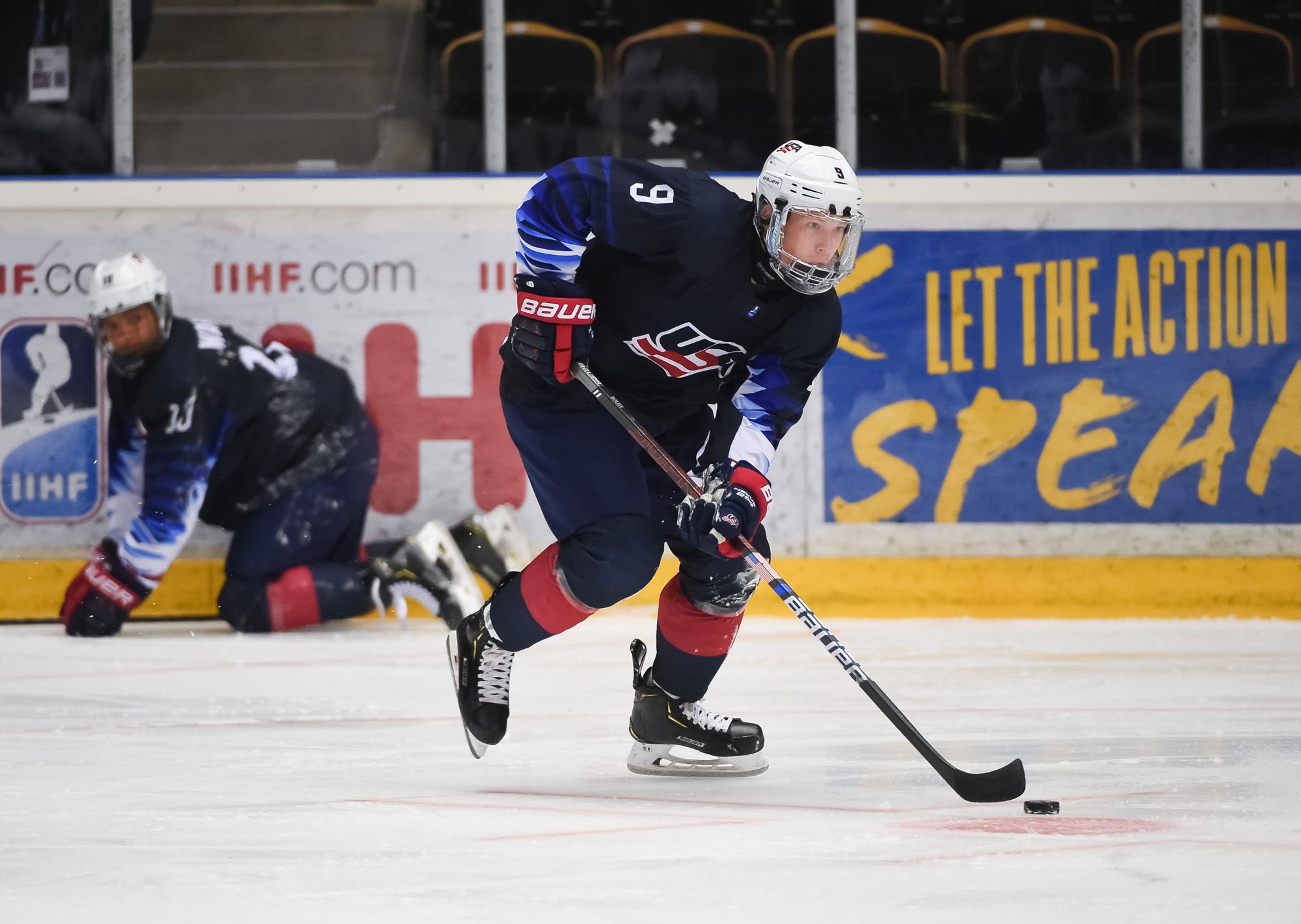 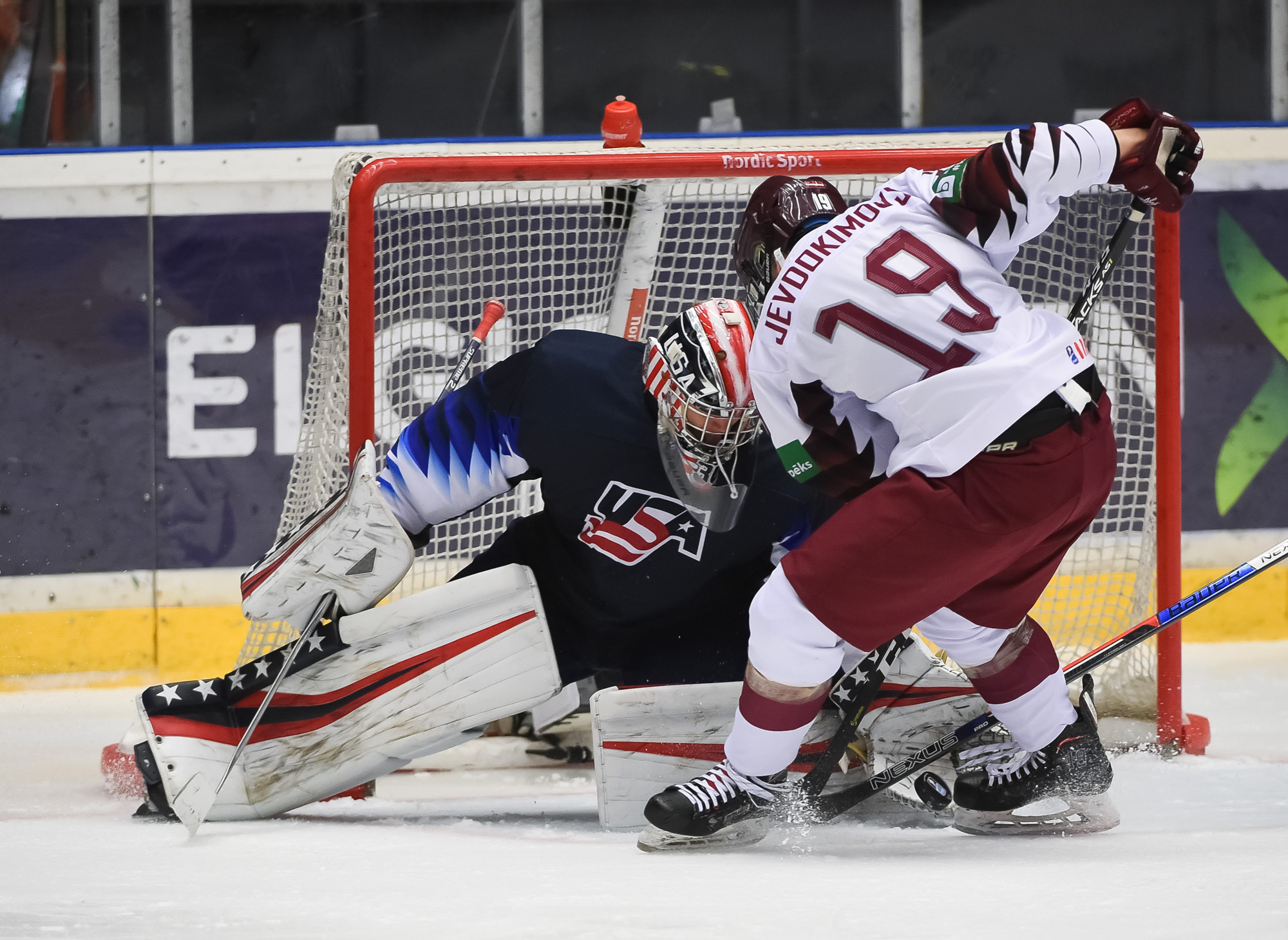 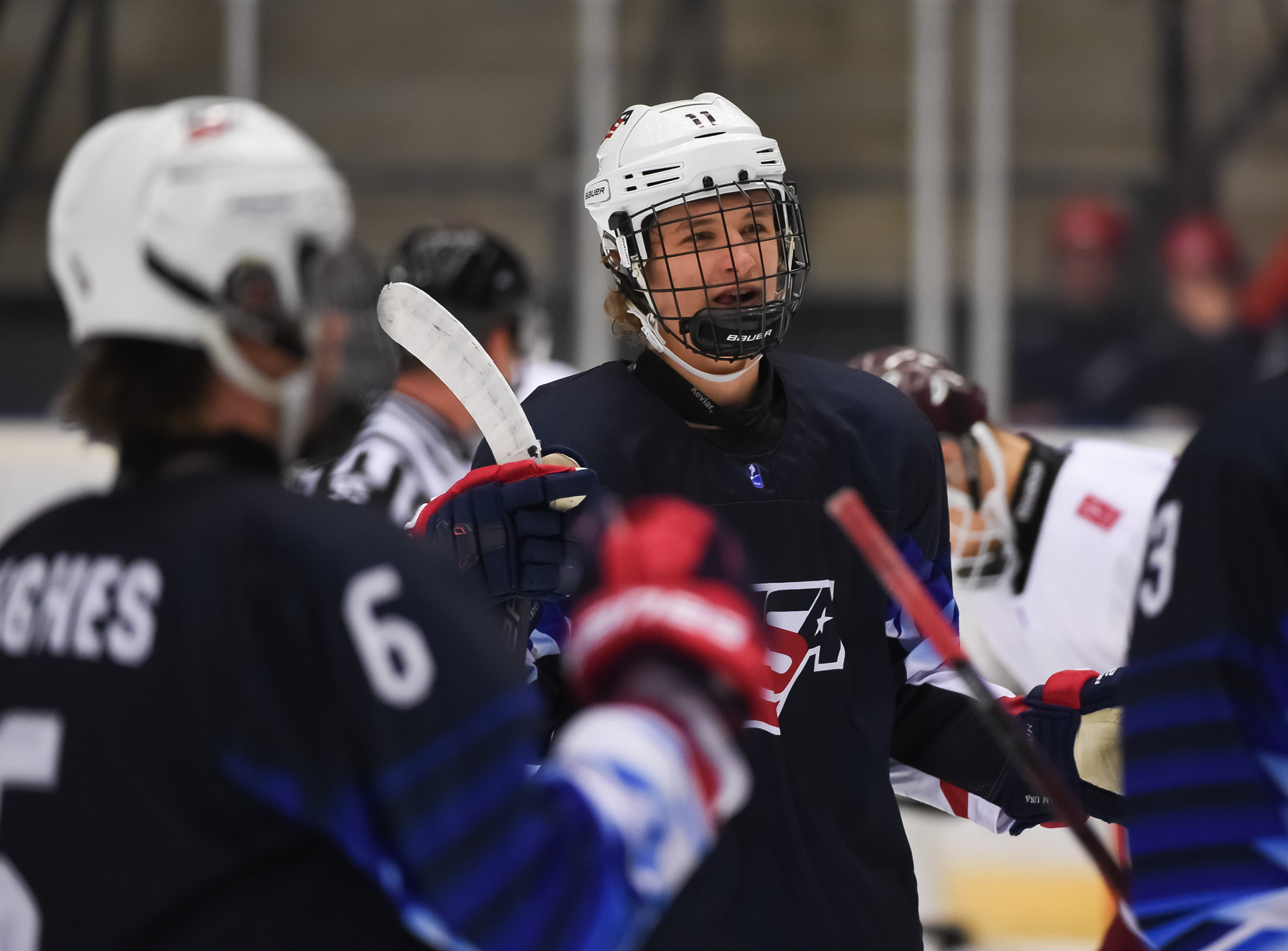 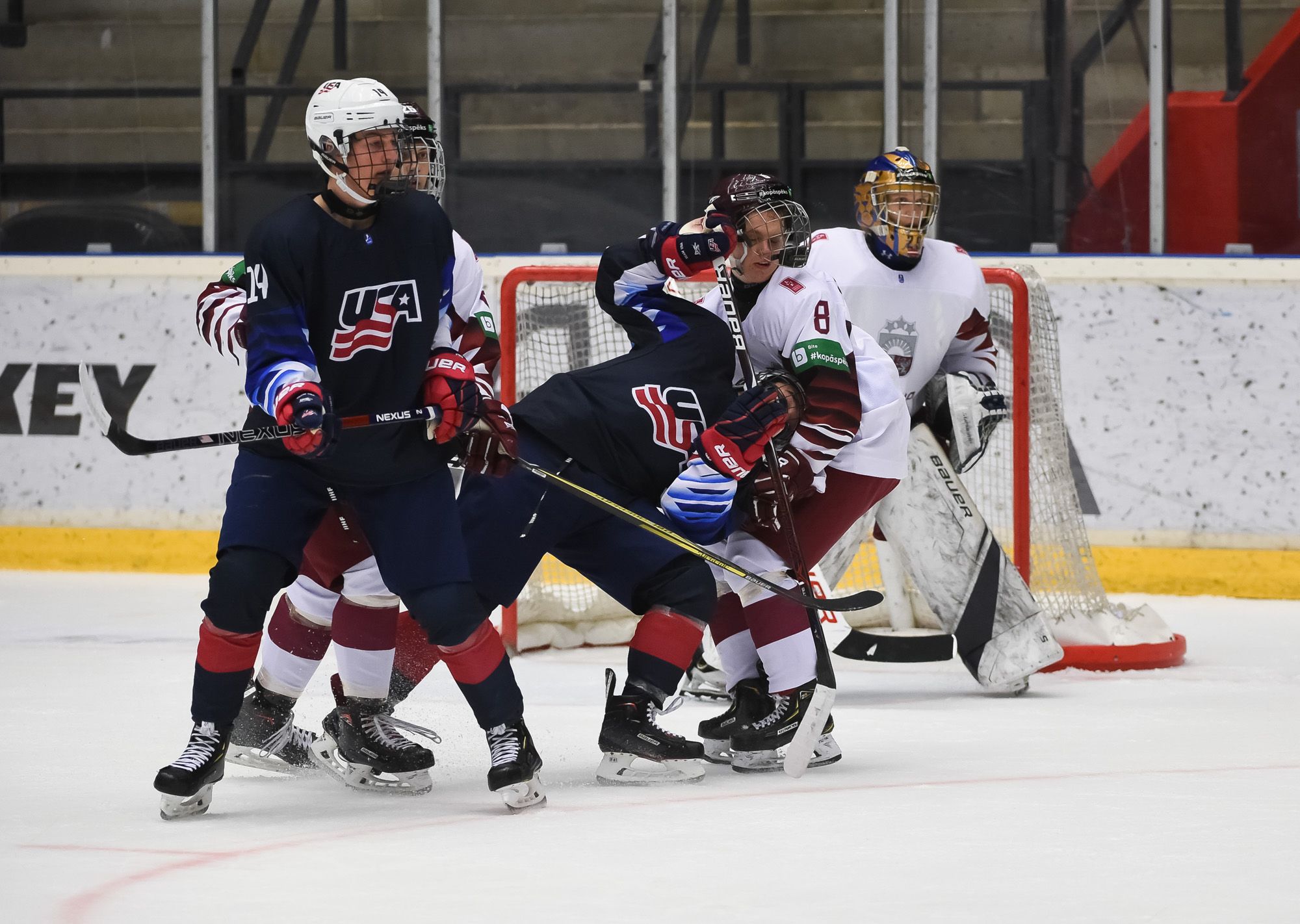 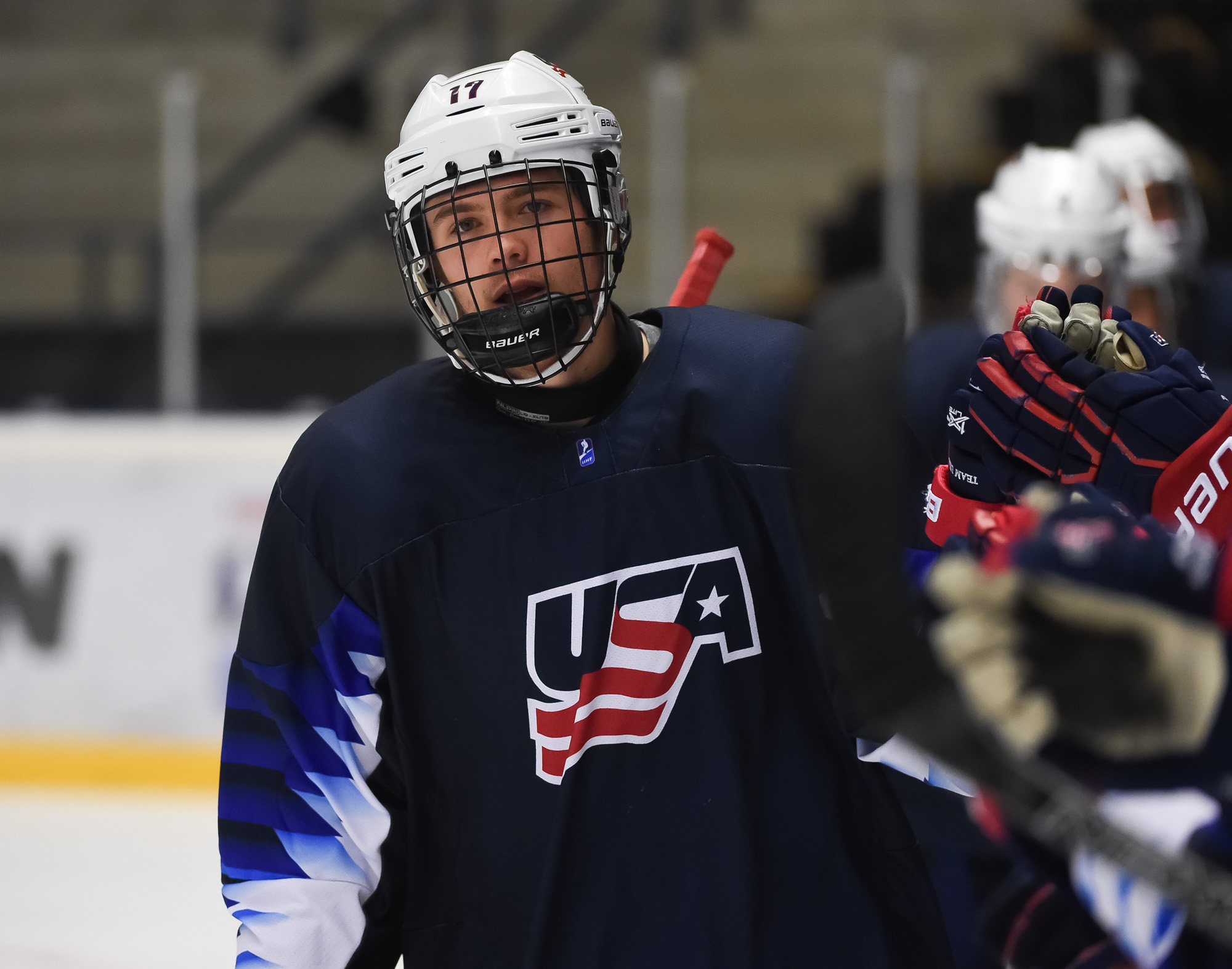 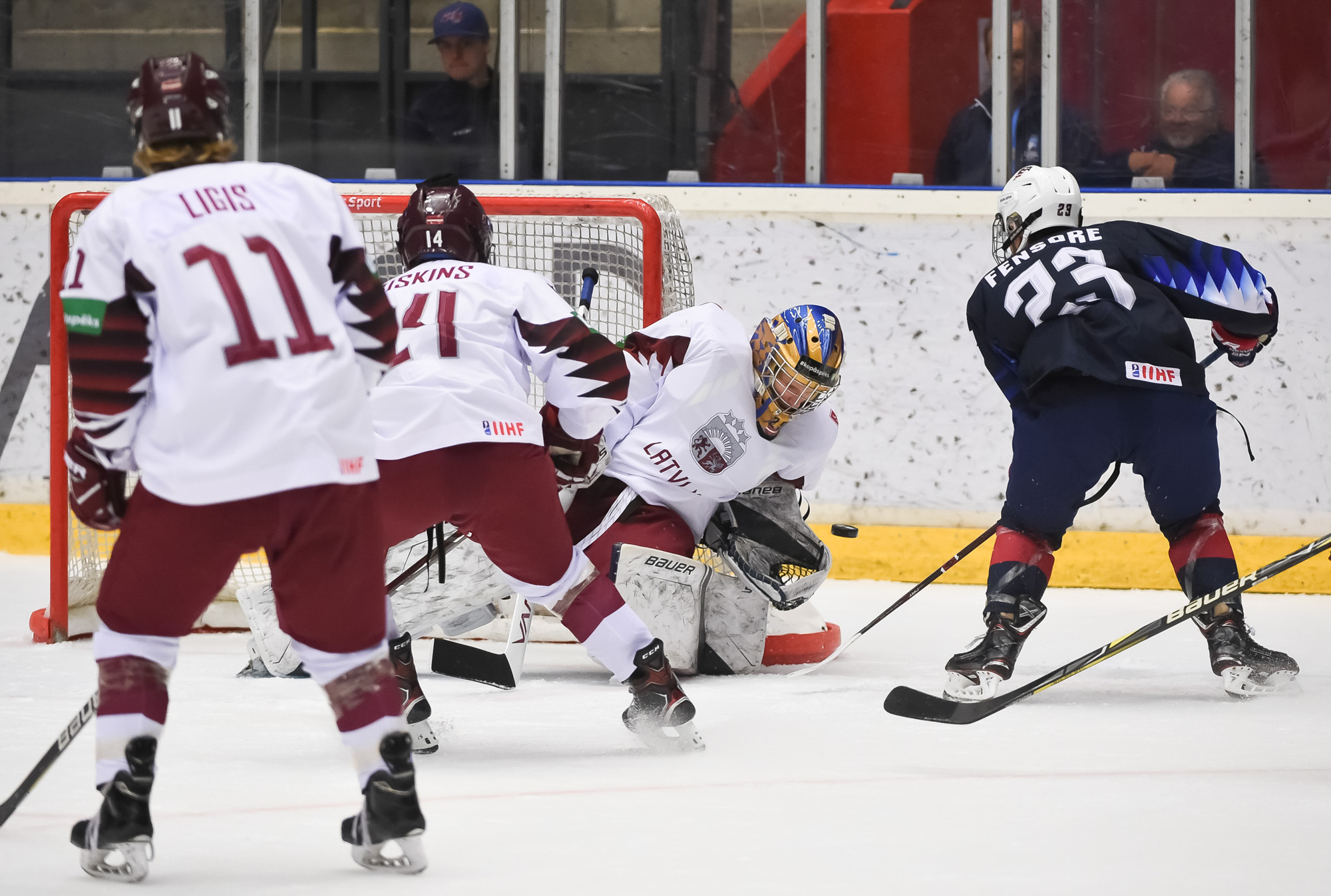 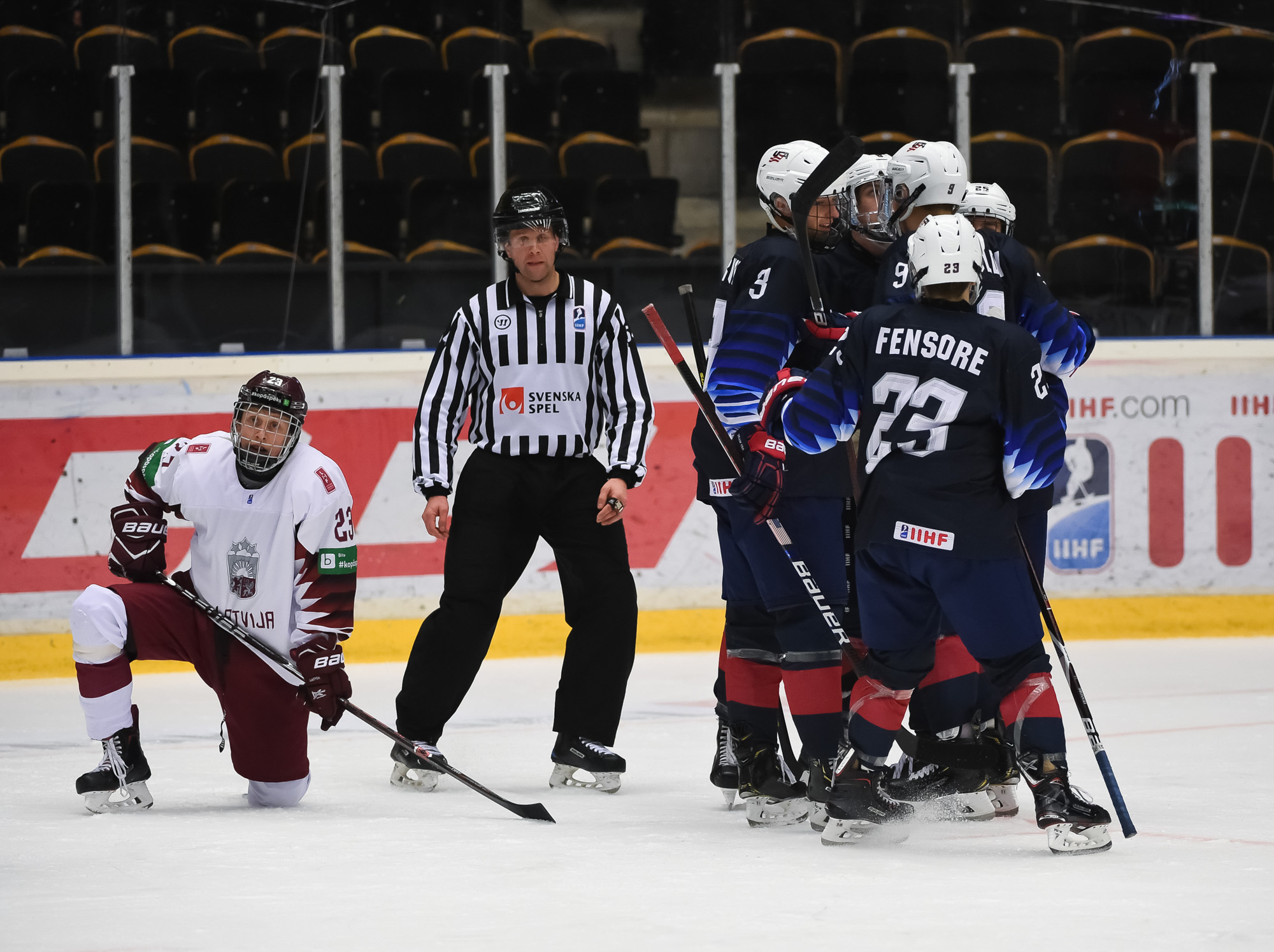 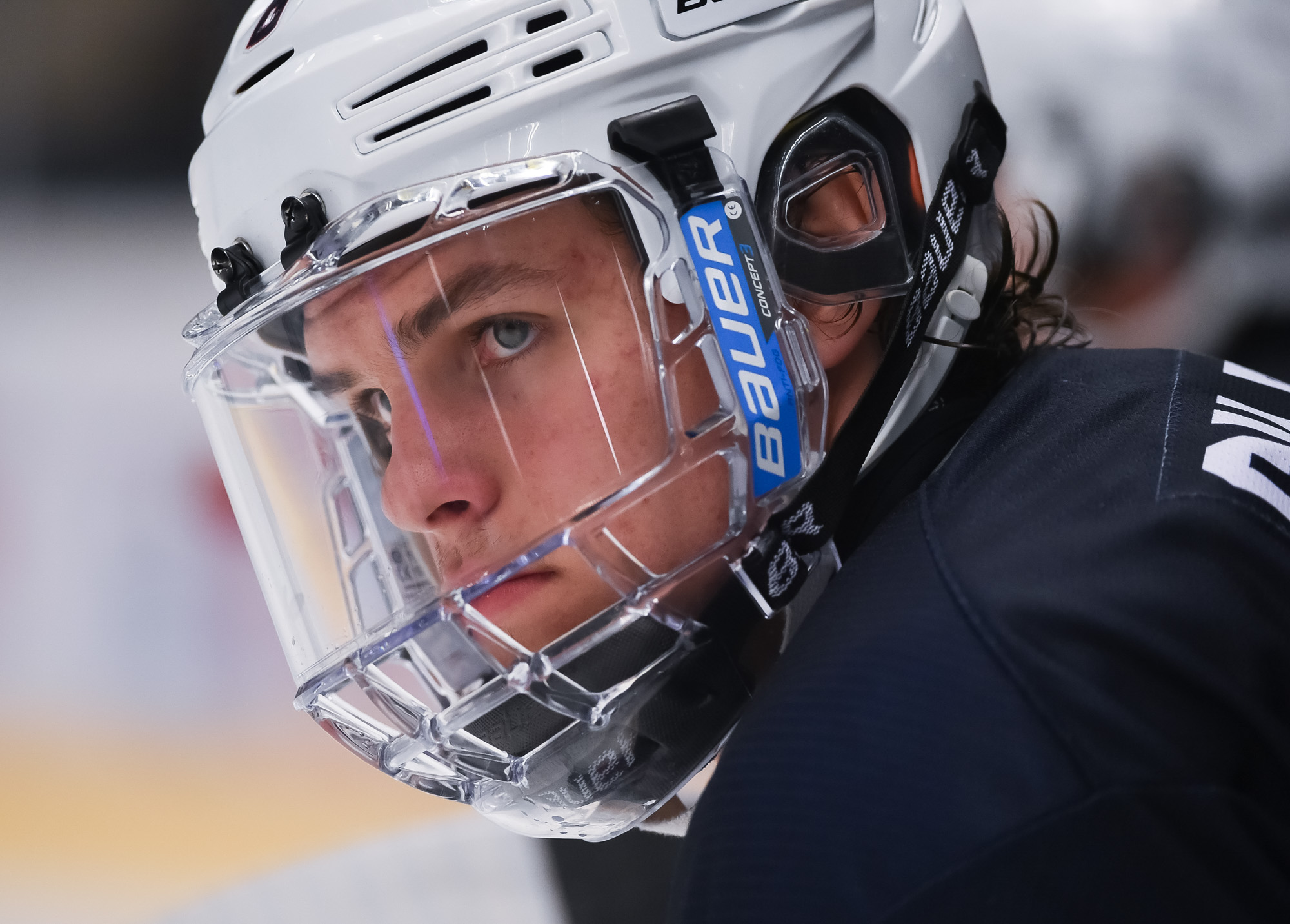