Onward and upward! Sweden finished second in Group B with a 3-0 win over Russia on Tuesday in Ornskoldsvik and will face the Czechs in the quarter-finals.

"The Czechs are good, but we're not looking at them so much," said Swedish captain Tobias Bjornfot.  "We have a good team and many good players. It's a nice group here. We're in the quarter-final now and we're here to win."

The host Swedes are questing for their first gold medal in U18 history. All-time, they own five silver medals and four bronze medals, including a third-place finish last year in Chelyabinsk.

Philip Broberg, Oscar Lawner, and Simon Holmstrom scored for Sweden. Goalie Hugo Alnefelt, making his first appearance since the opening 6-1 loss to the U.S., earned the shutout and won his duel with Russian starter Yaroslav Askarov.

"I think we can go to the final," said Lawner. "It would mean everything. It would just feel amazing to win here."

Despite outshooting Sweden 32-25, the Russians fell into the same trap that sometimes plagues their senior national team brethren: too much reliance on individual skills. With seven minors taken, discipline was also an issue. The compete level was there, but the decision-making was questionable at times.

"Obviously, you cannot play like this at a World Championship," said Rodion Amirov, Russia's leading scorer in the preliminary round with four points. "We were on the ice from the first minutes, but we weren't ready for that kind of competition. You can say that we were just watching hockey for two periods."

Despite losing two straight games, including a 6-3 defeat against the Americans, facing Belarus in the quarter-final could be a boon for Russia. Even though the Belarusians have performed exceptionally here in northern Sweden, taking points in three out of their four group games, history is on the Motherland's side. Russia has beaten Belarus four times at this tournament by an aggregate score of 41-2, dating back to 2000.

Amirov warned against overconfidence: "They have a very good team, and they're going to be battling. We have to be ready as well. Our goal is just to win this one and go forward."

World Men U18
Russia vs. Sweden - 2019 IIHF Ice Hockey U18 World Championship
Onward and upward! Sweden finished second in Group B with a 3-0 win over Russia on Tuesday in Ornskoldsvik and will face the Czechs in the quarter-finals.
RUS SWE 23 APR 2019

You could say the Swedes played a patient game, or you could say they made the Fjallraven Center faithful wait a long time to hear “En For Alla For En,” the classic 2013 goal song by The Poodles.

After not capitalizing on three power plays in a scoreless first period, the Smakronorna finally broke through with the man advantage in the middle frame. Broberg, who also played defence for Sweden at the World Juniors in Victoria, jumped up and flung a wicked wrister from the high slot past Askarov’s glove at 3:56.

"You know, we're a bunch of young guys, but I think we did well to stay calm and wait for the goals," Bjornfot said.

Russia simply spent too much time in the sin bin. Oscar Bjerselius almost extended Sweden’s lead with Russian captain Vasili Podkolzin off for holding, but rang it off the post. Podkolzin, considered a top-10 prospect for the upcoming NHL Draft, has had a quiet tournament with just one assist through four games.

With a delayed penalty coming up to Russia and Sweden using the extra attacker, Lawner made it 2-0 at 13:06 with a rocket of a bad-angle one-timer. It was the second goal of these U18 Worlds for the Farjestad winger, who went goalless in seven SHL games this season.

Asked if he often scores on shots like that, Lawner said: "No, but it was a nice pass from [Lucas] Raymond!"

The Swedes stuck with their game plan, and it paid off. With 6:06 left , Holmstrom pounced on a Russian defensive zone giveaway and roofed it for a 3-0 lead. There would be no big Russian comeback.

Still, Amirov saw reasons for optimism in a third period where shots favored Russia 12-5: "In the third, we were slightly better. We began to produce, but we couldn't capitalize. We're going to watch the tape, we're going to do our homework, and we're going to be better in the quarter-finals."

Defenceman Victor Soderstrom, who played 44 SHL games with Brynas IF this season, did not play in the last half of this game due to an injury. Swedish coach Magnus Havelid said: "I'm not sure about his status right now. I need to talk with our doctor. For himself, I really hope he can be on the ice on Thursday." 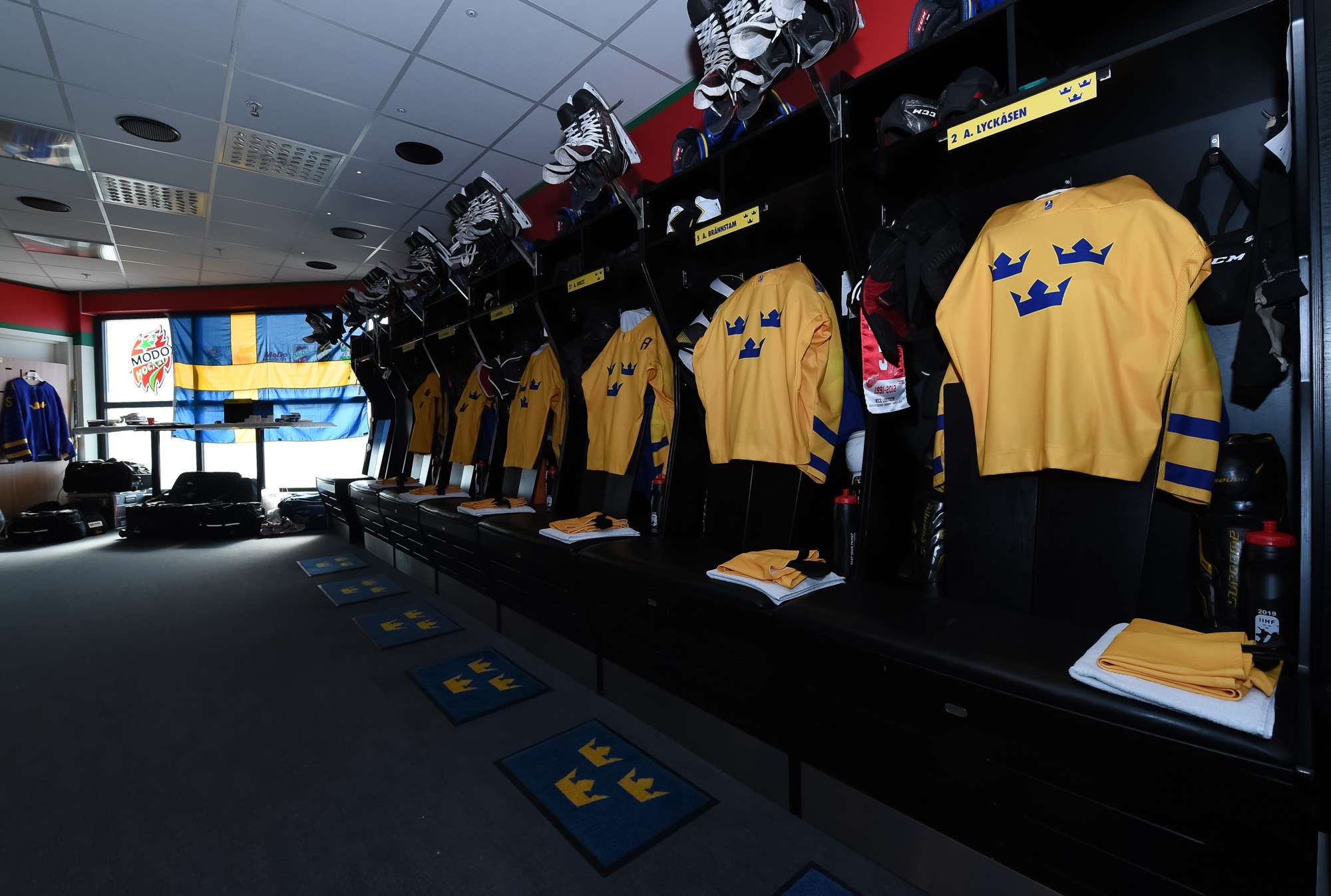 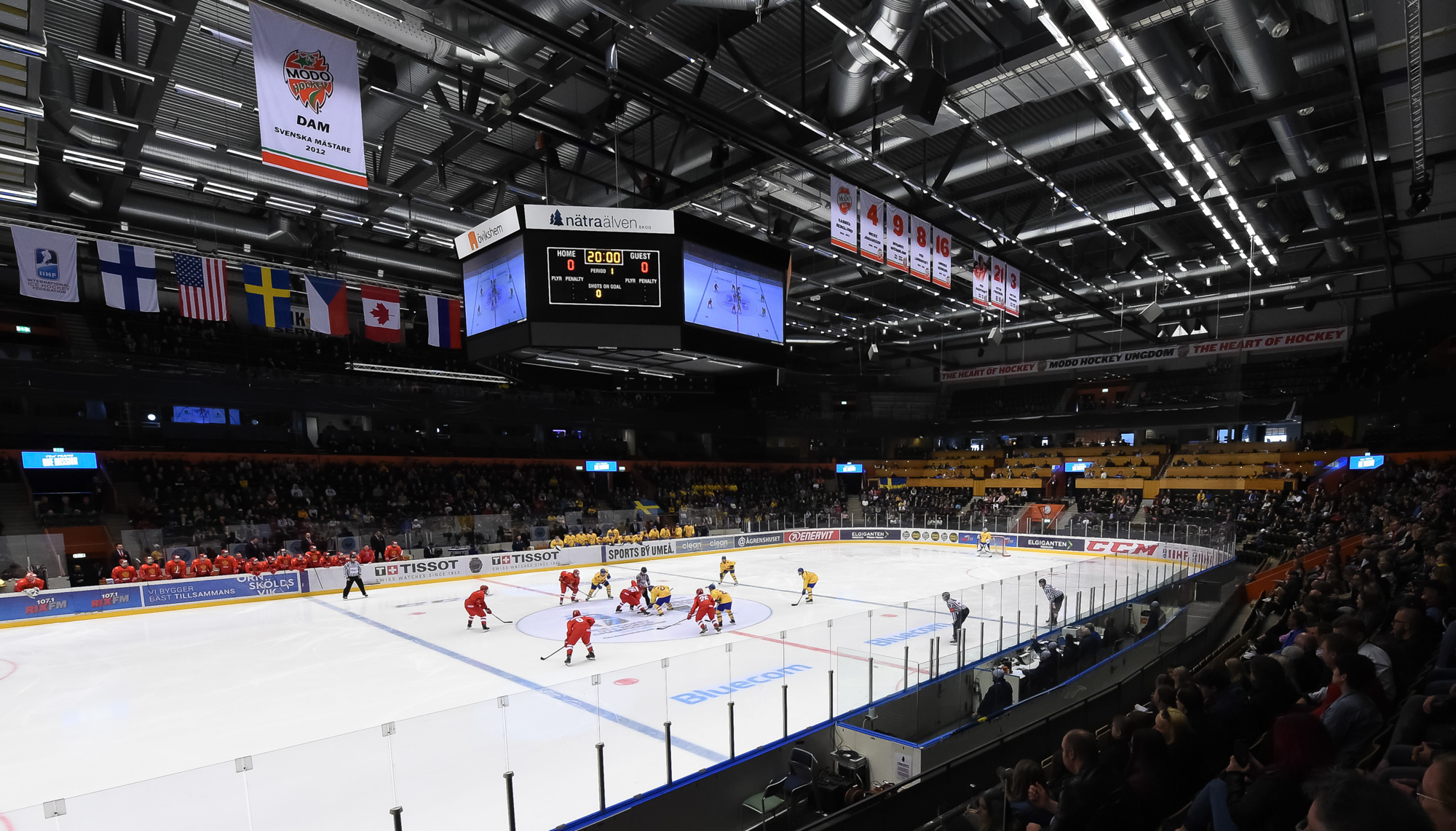 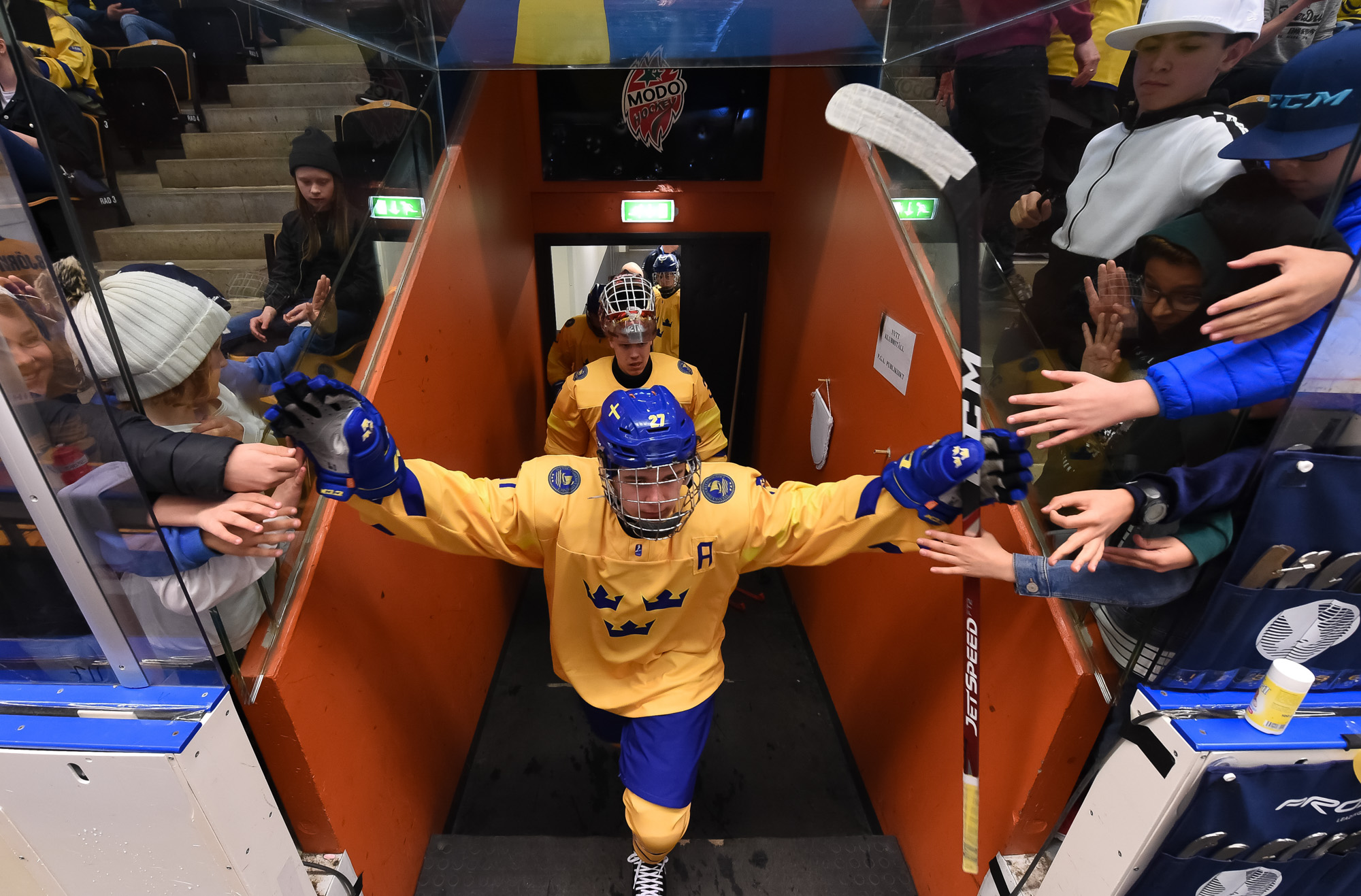 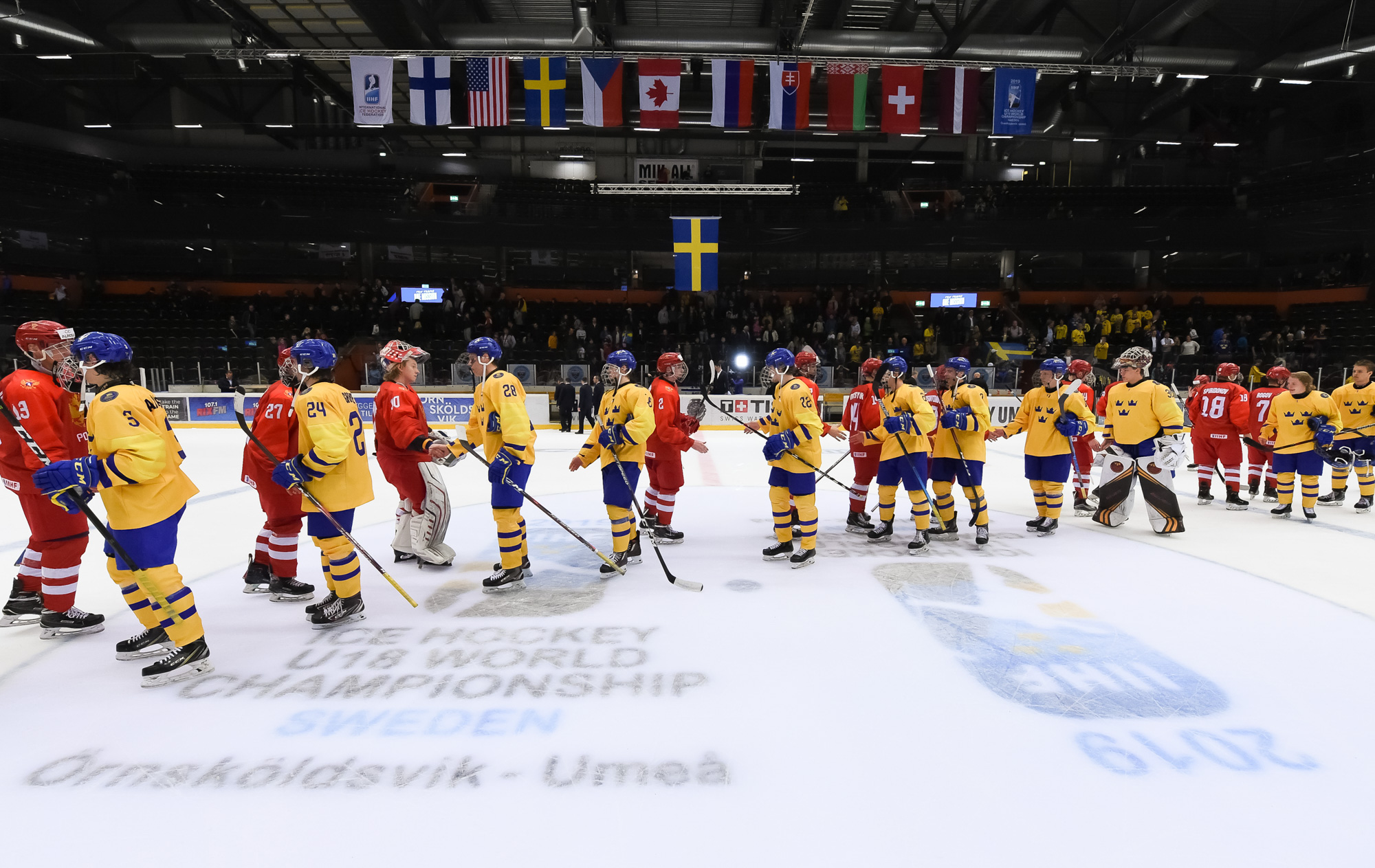 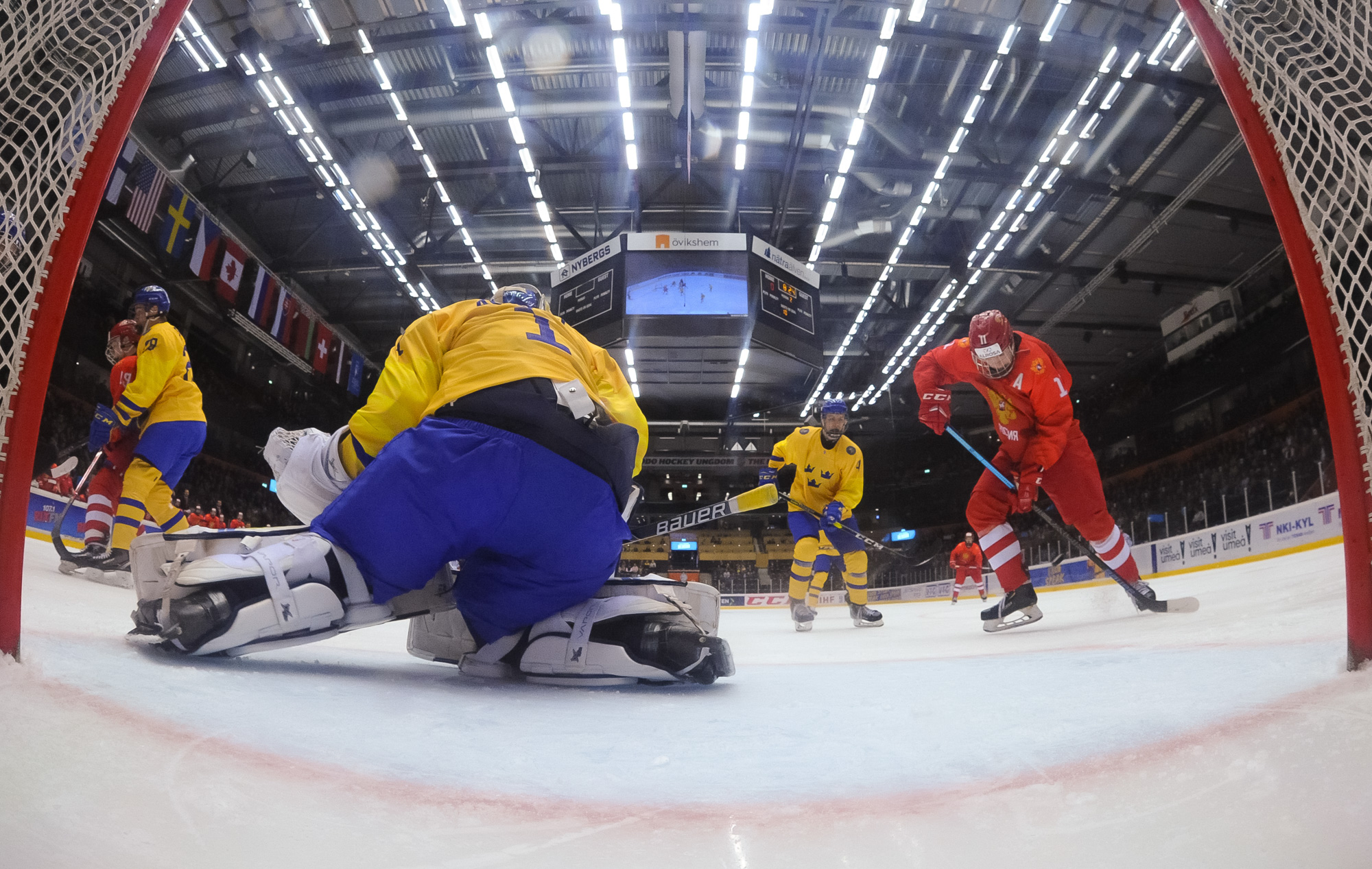 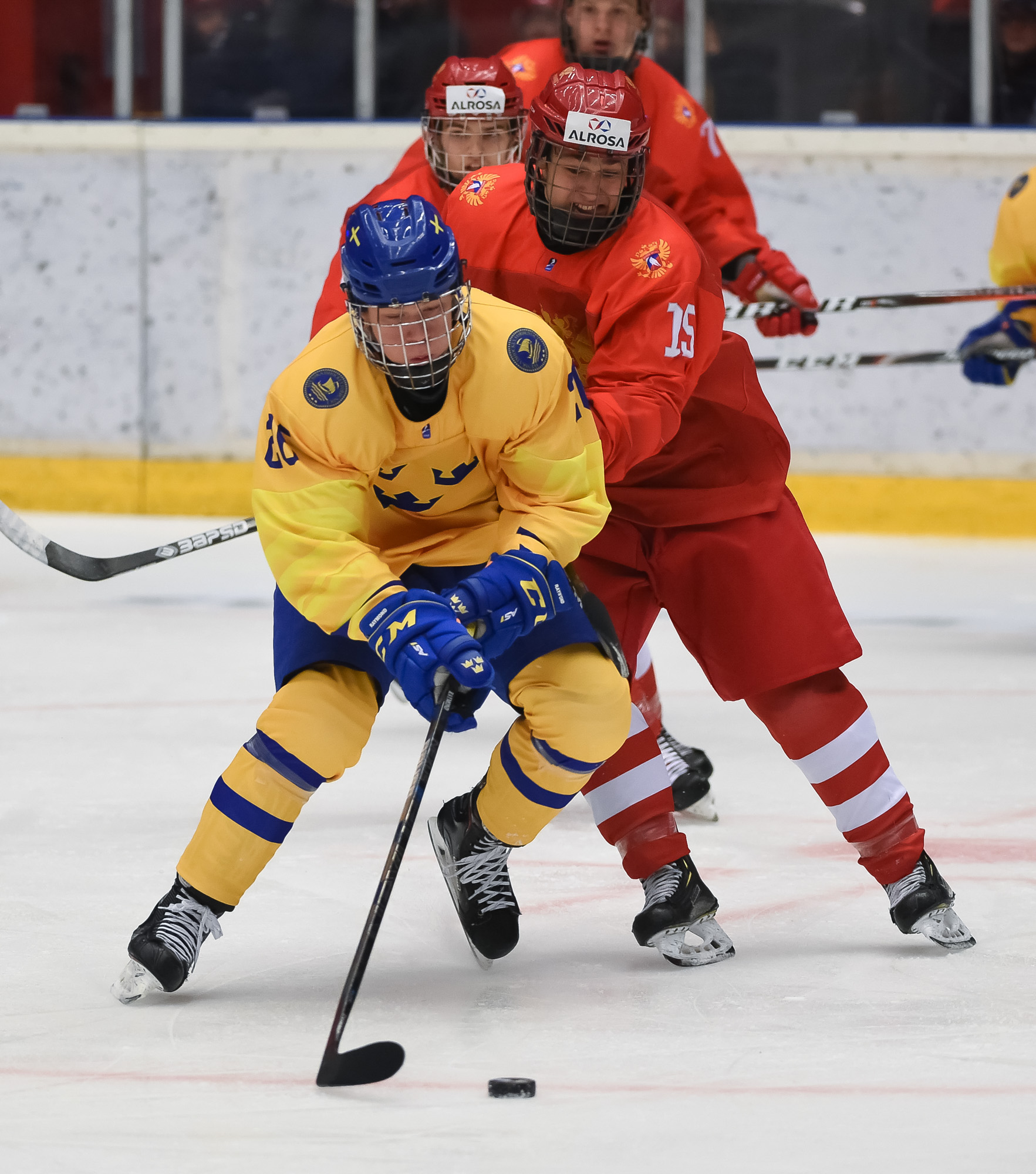 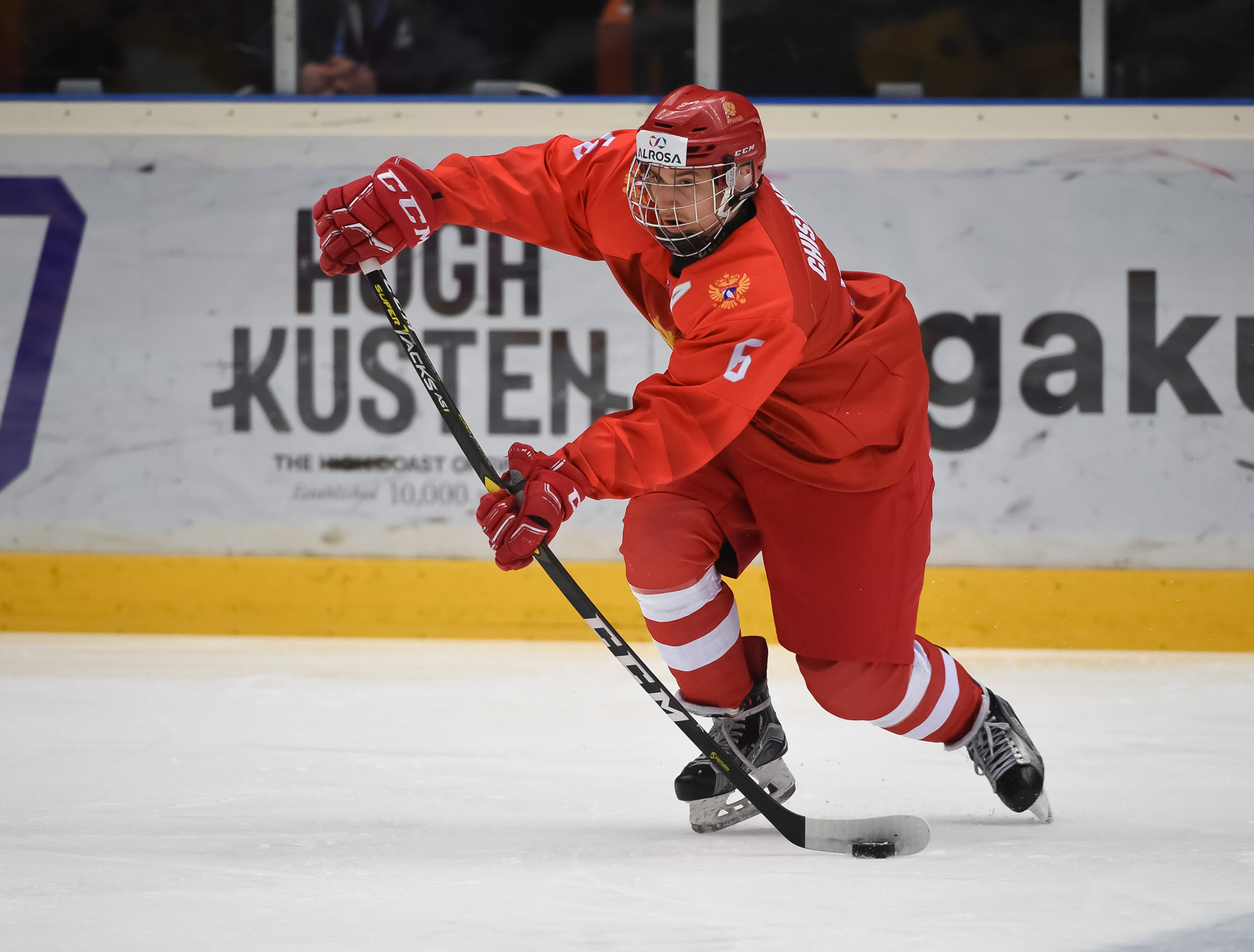 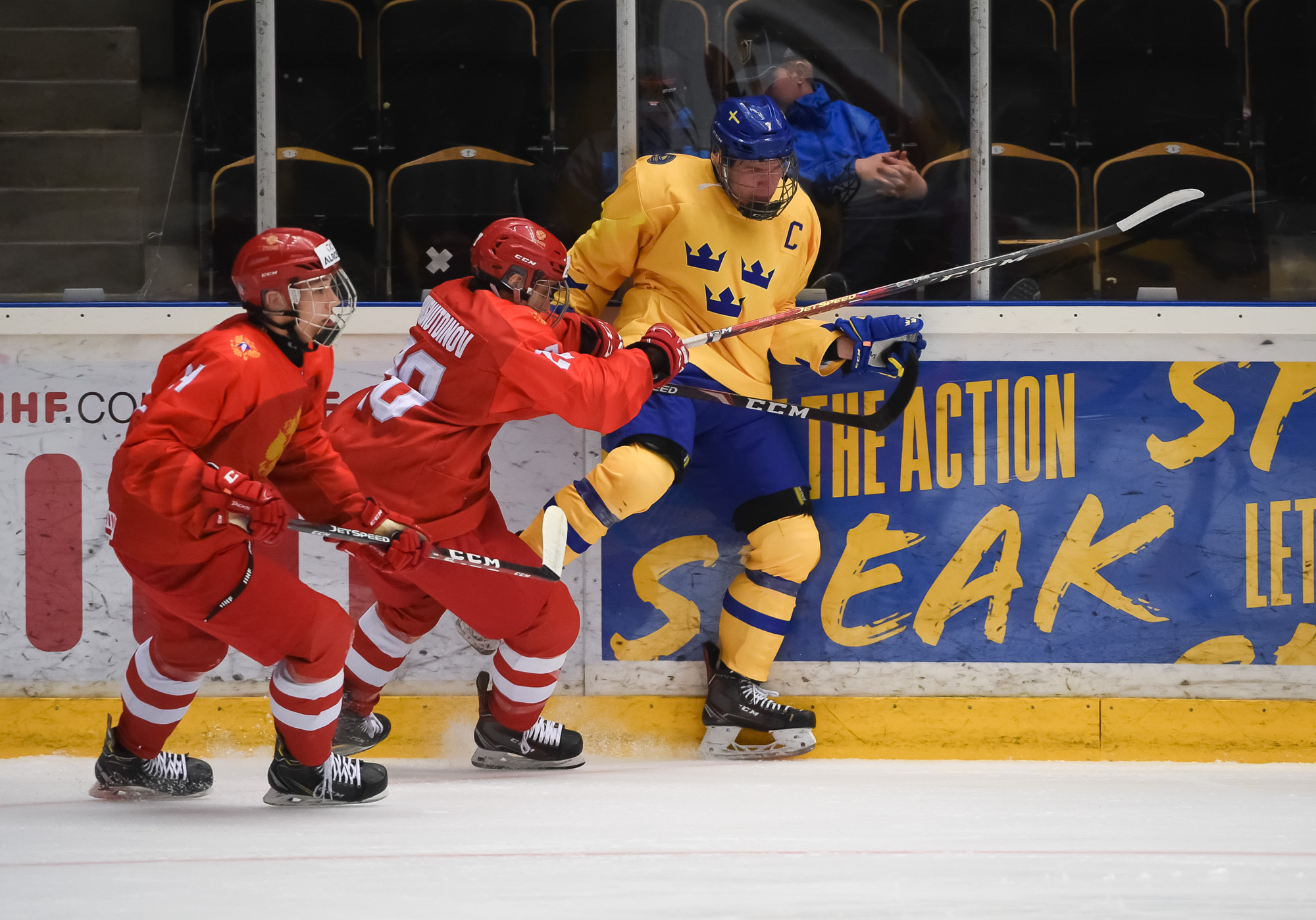 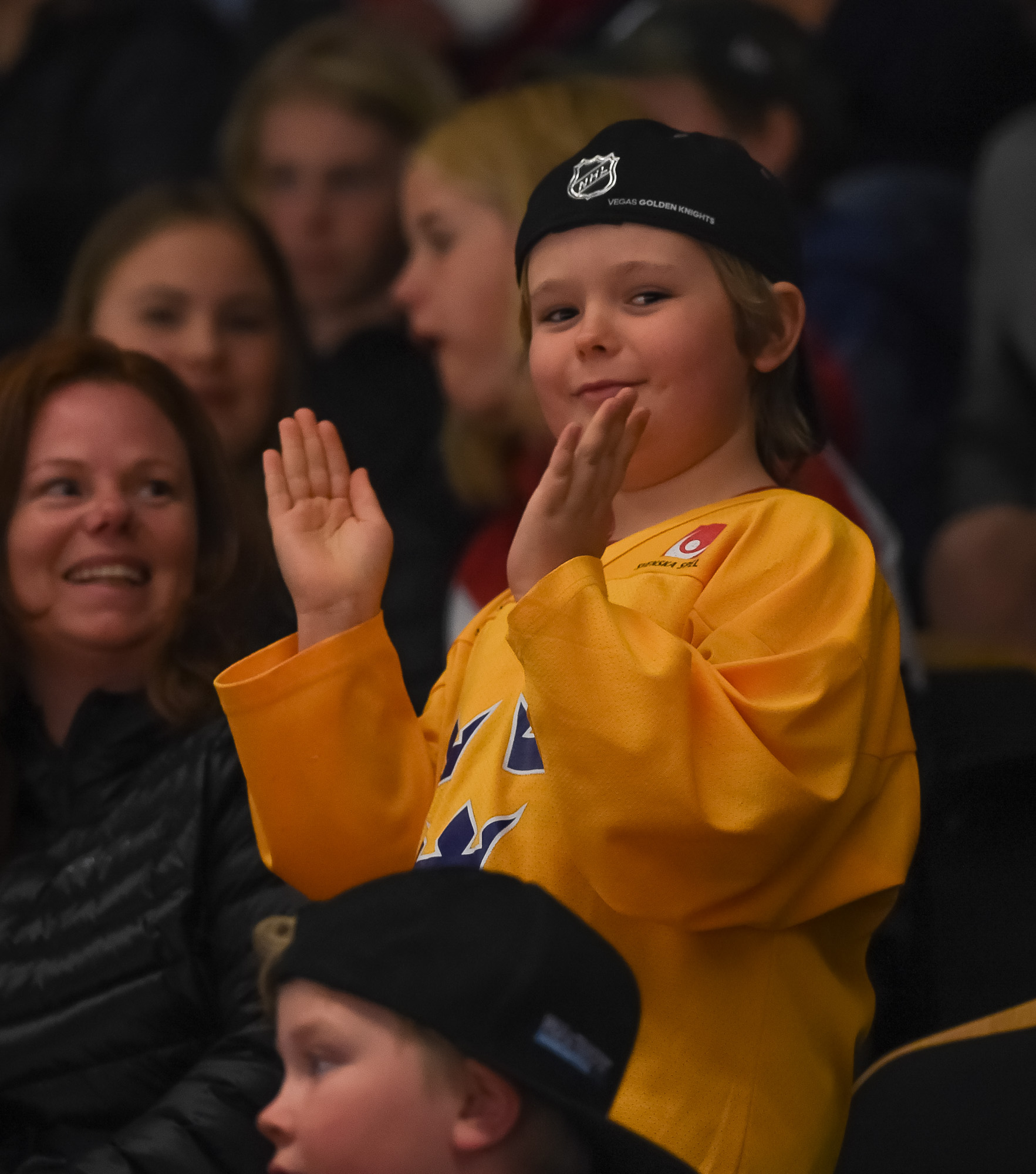 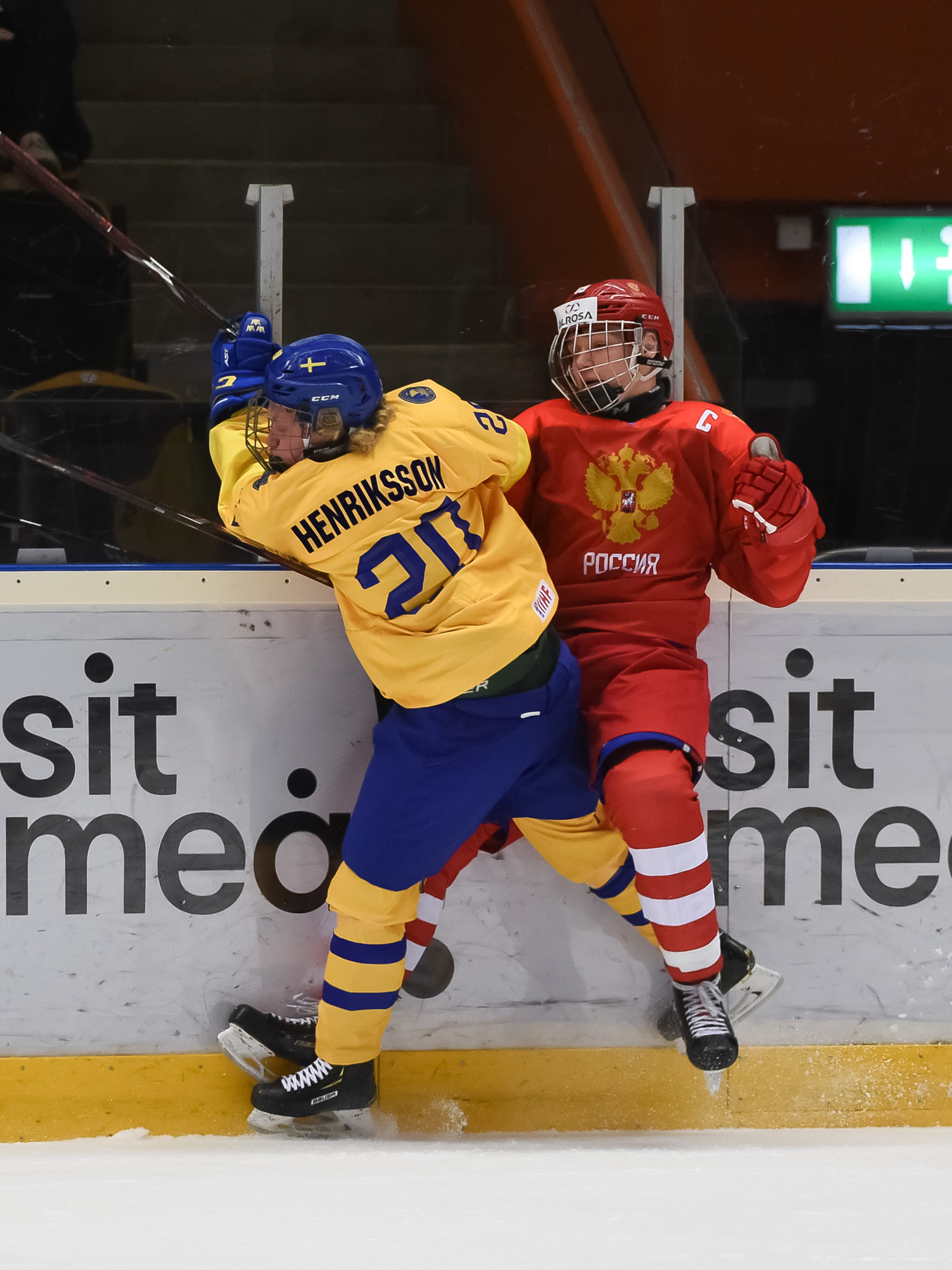 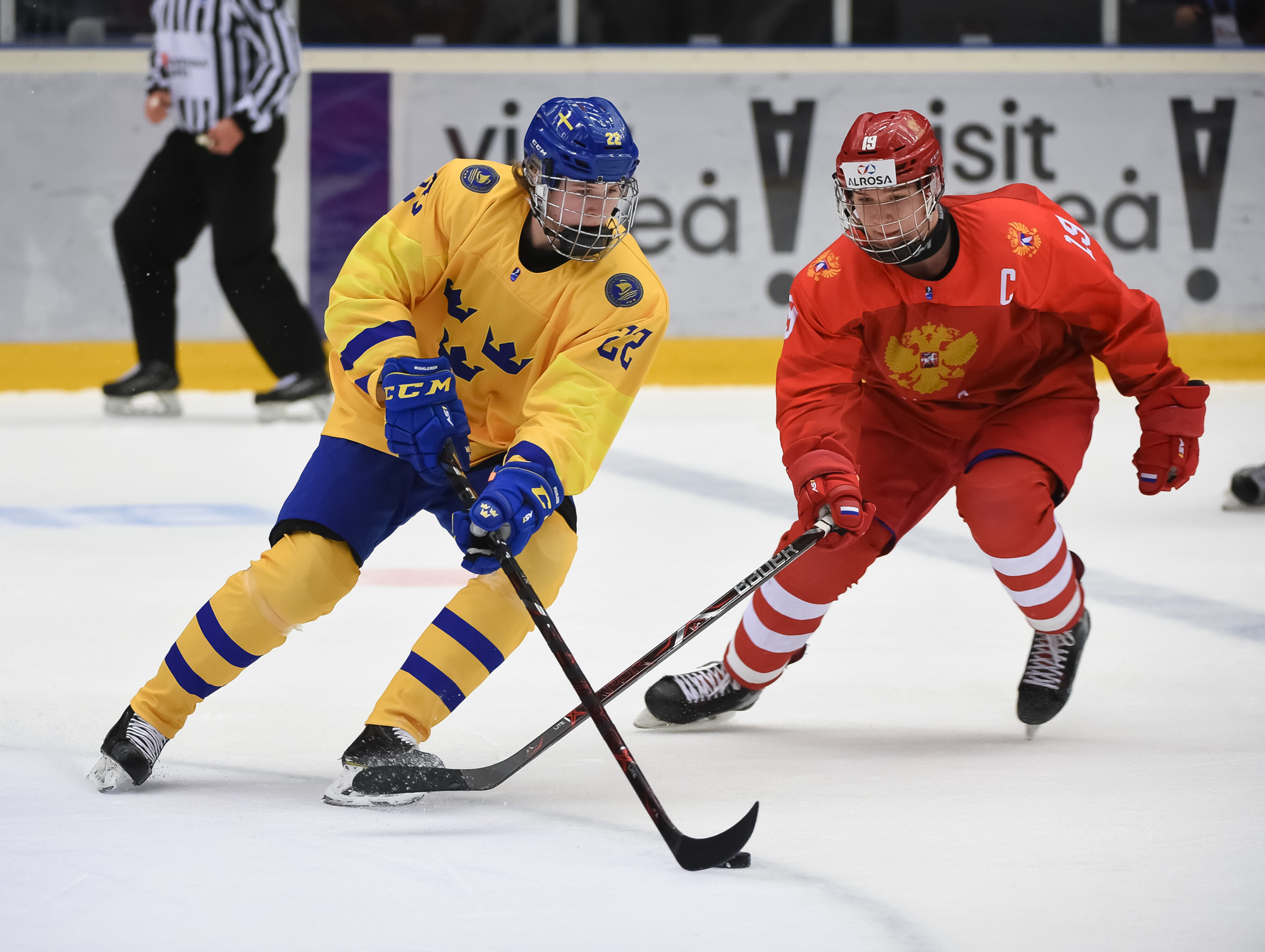 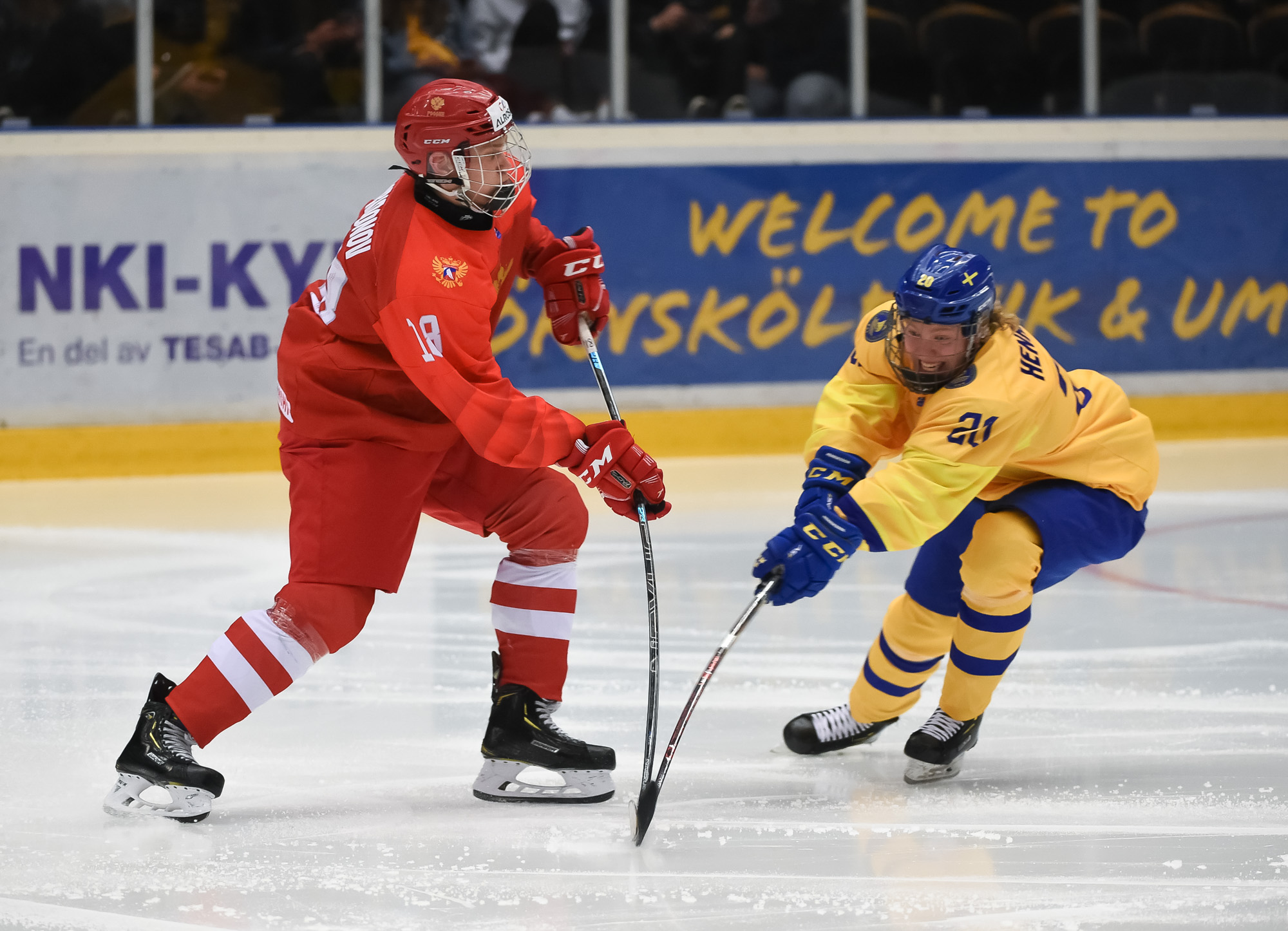 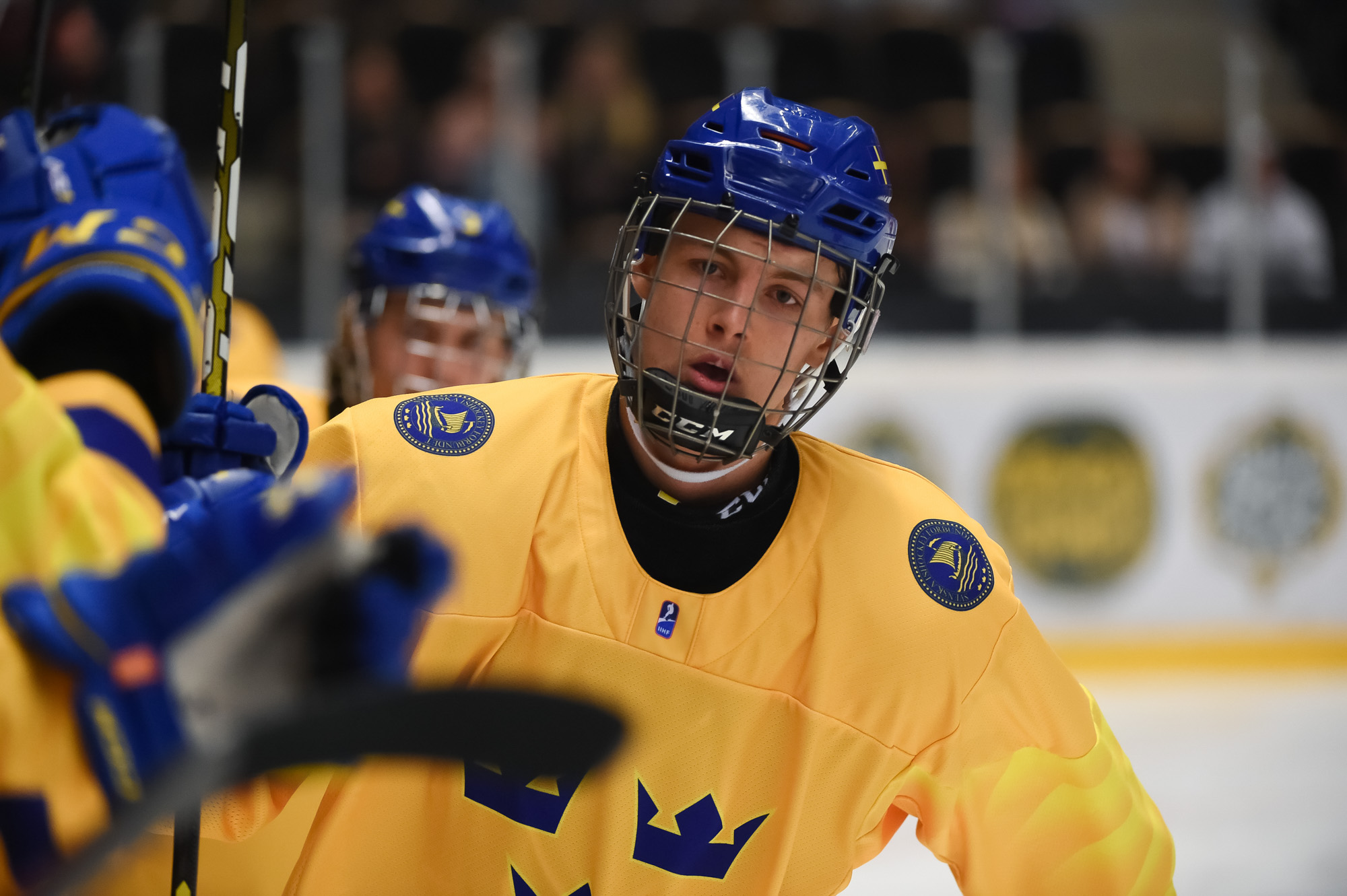 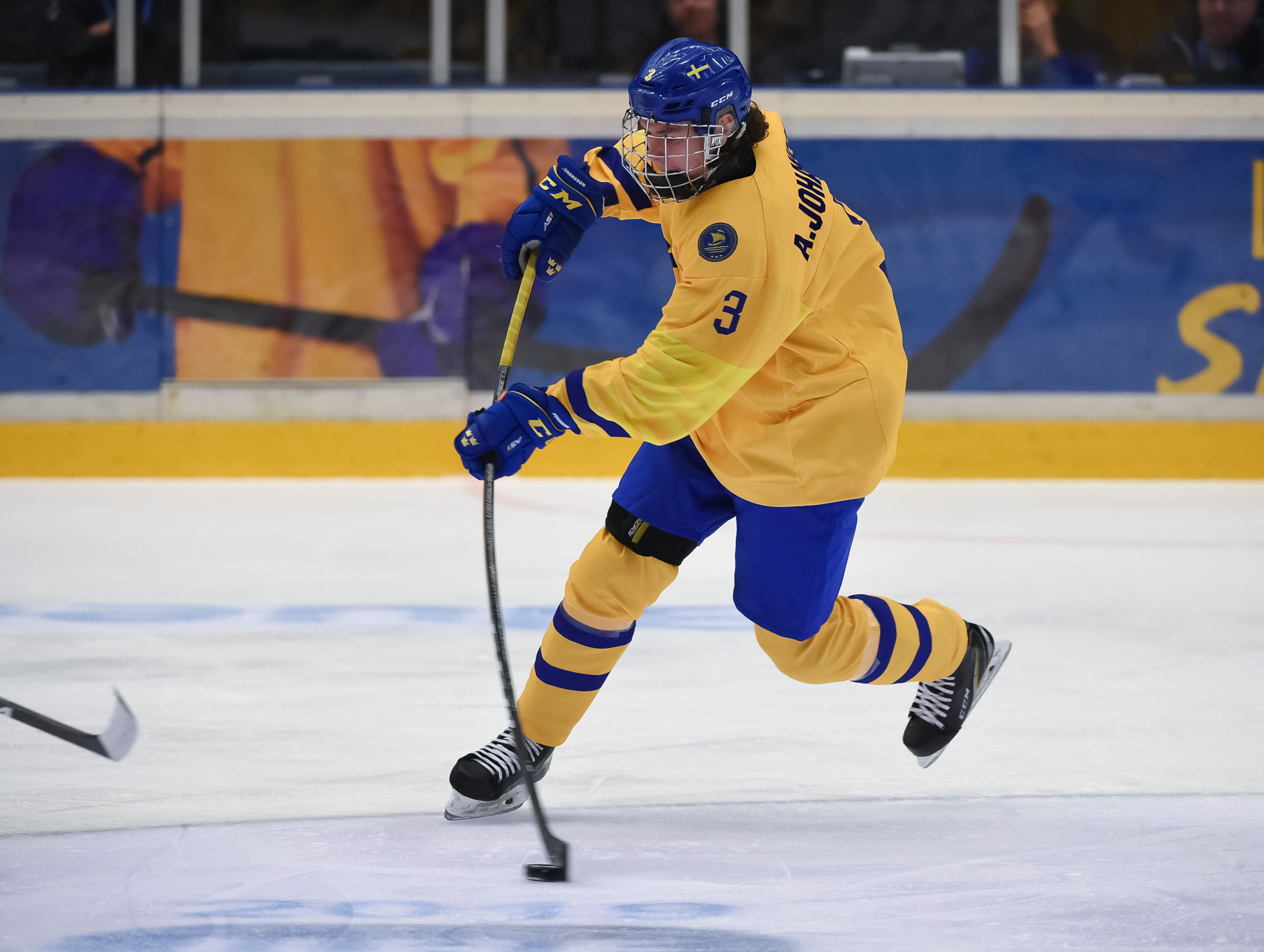 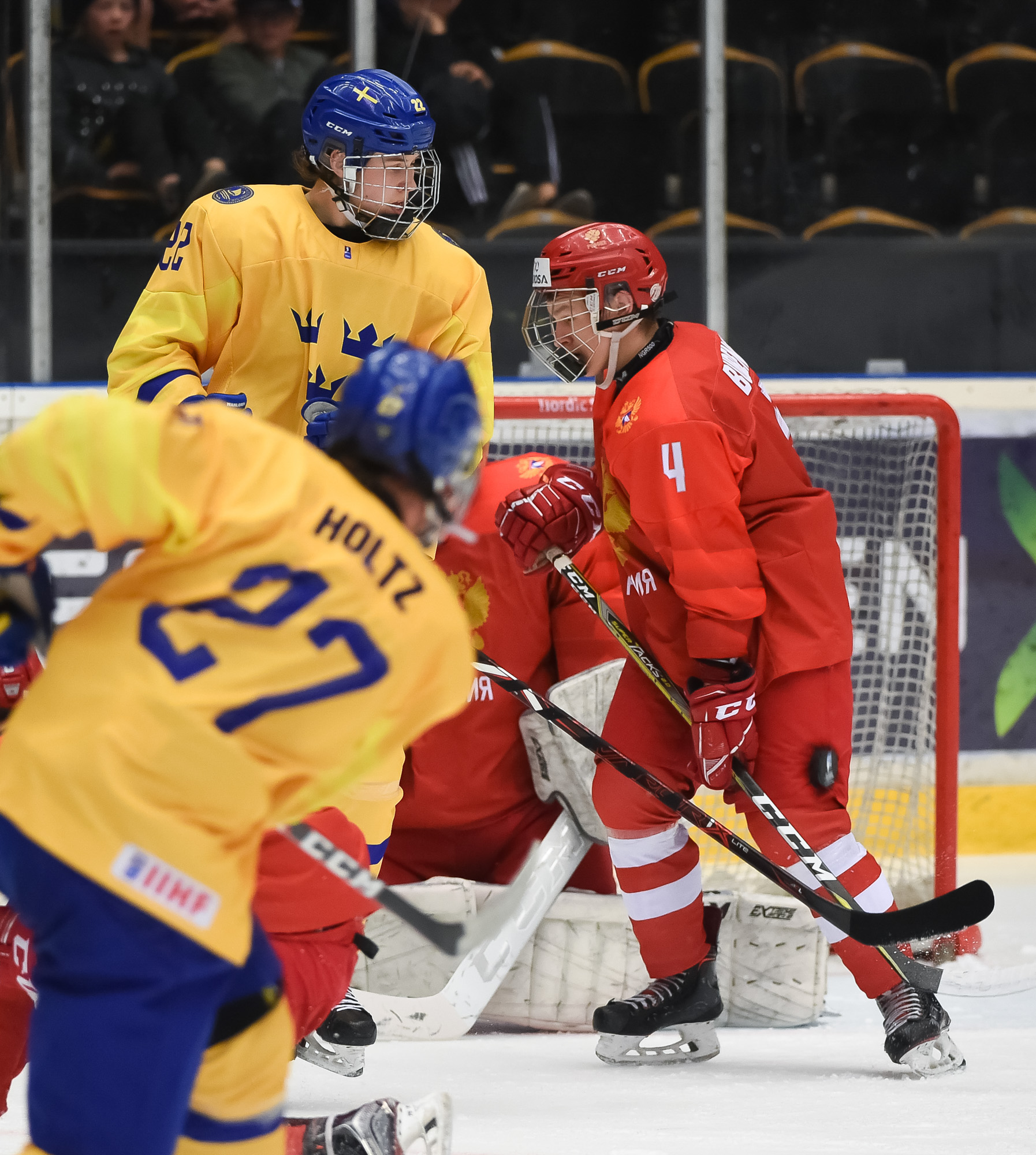 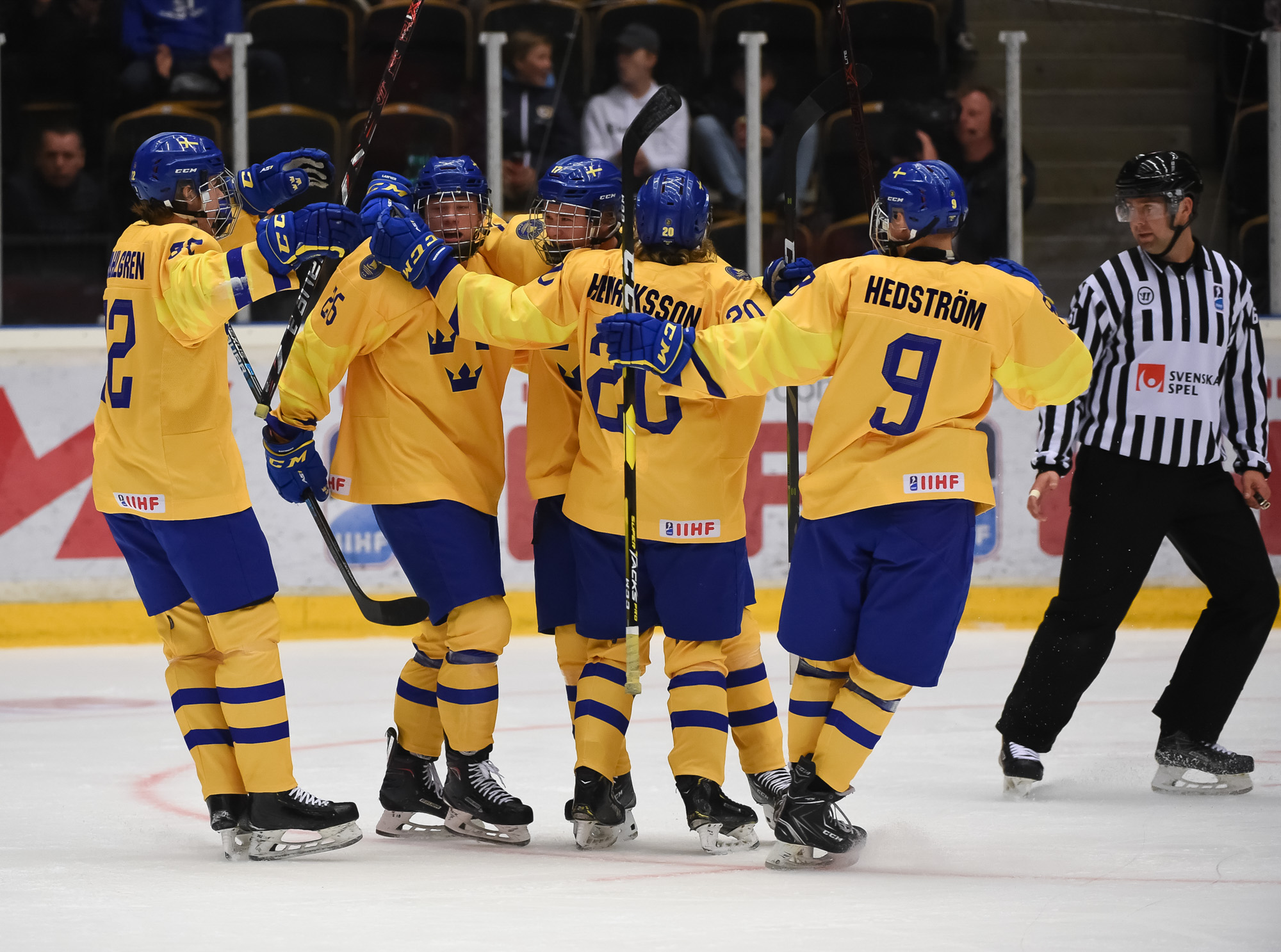 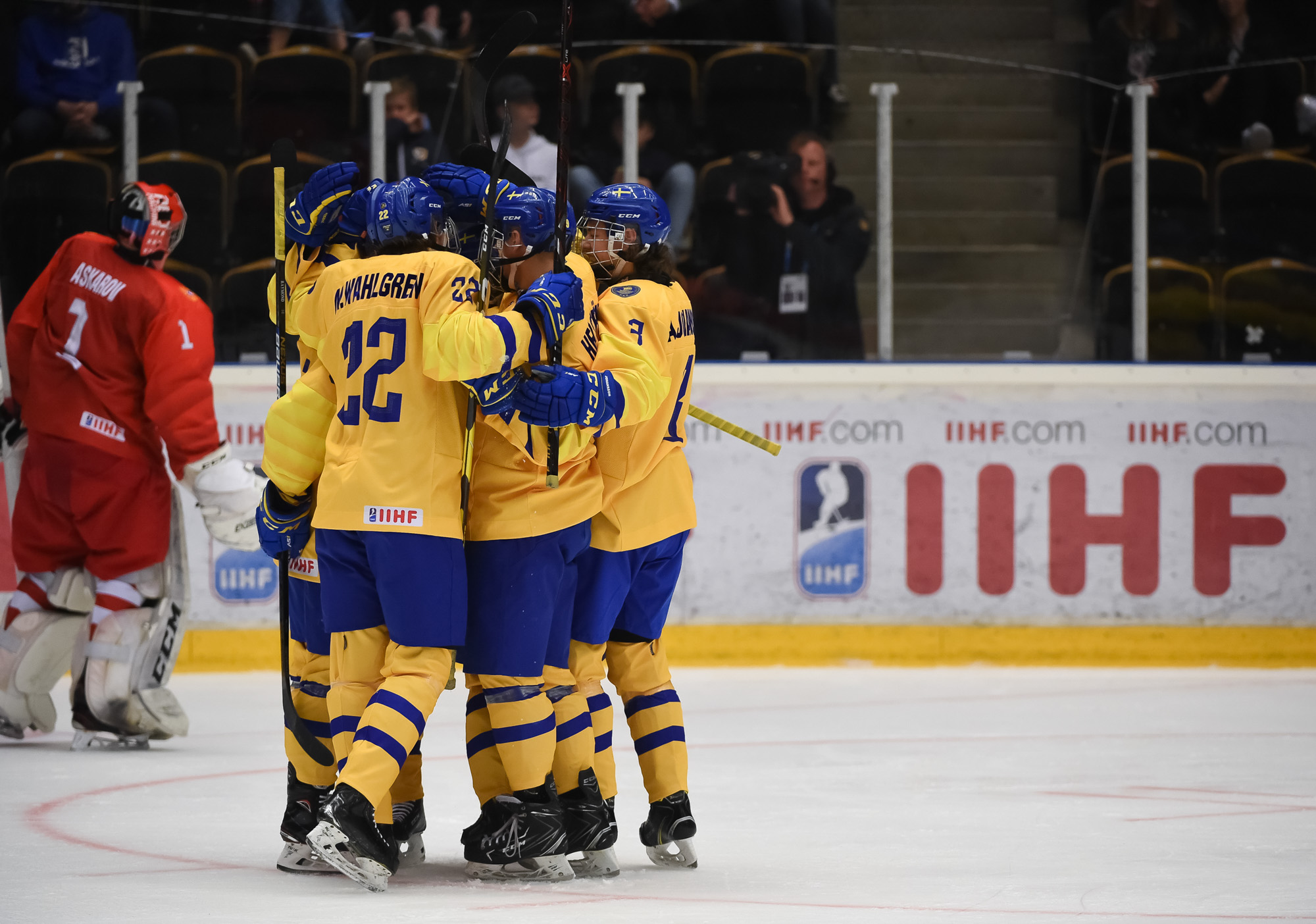 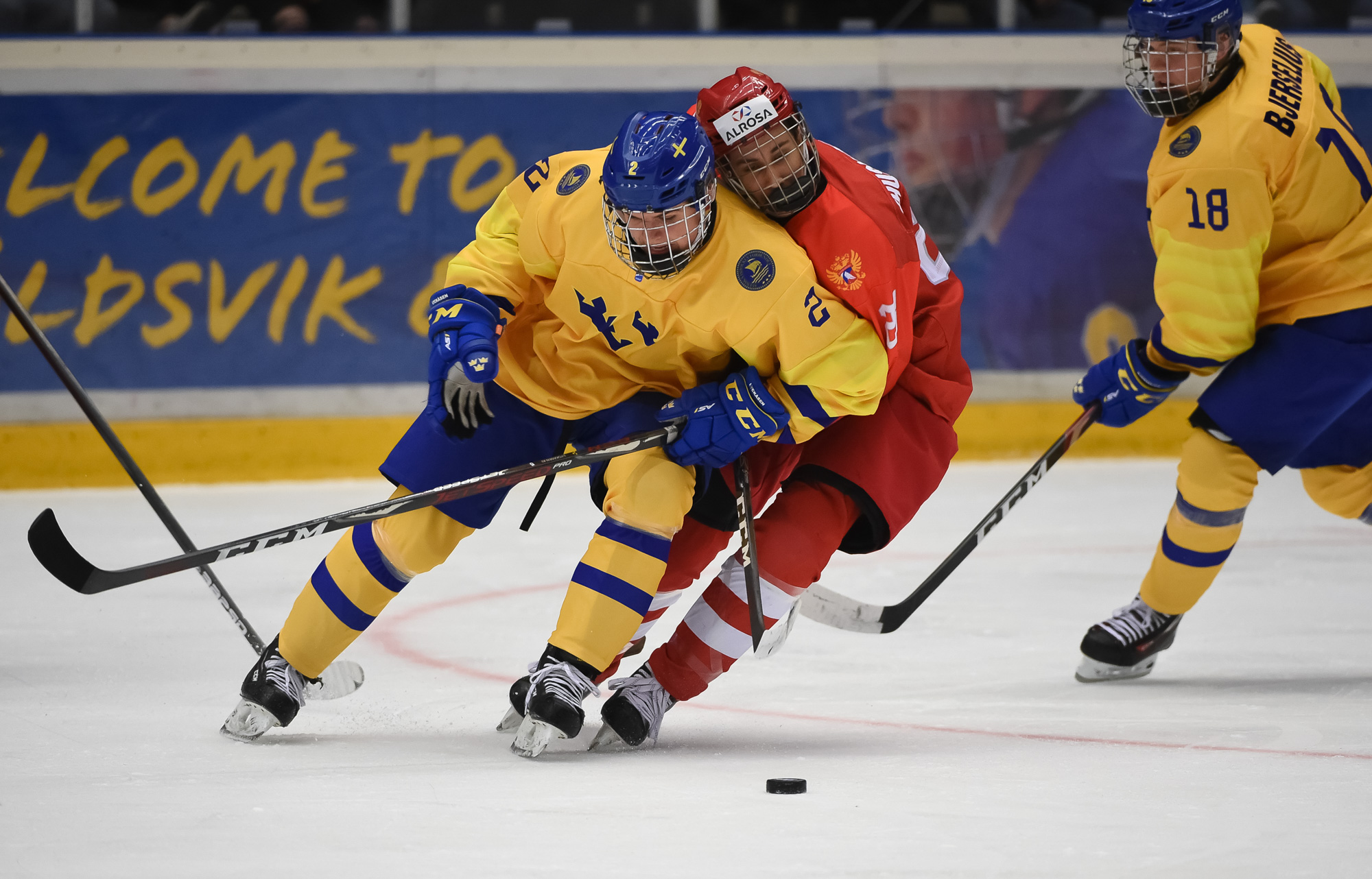 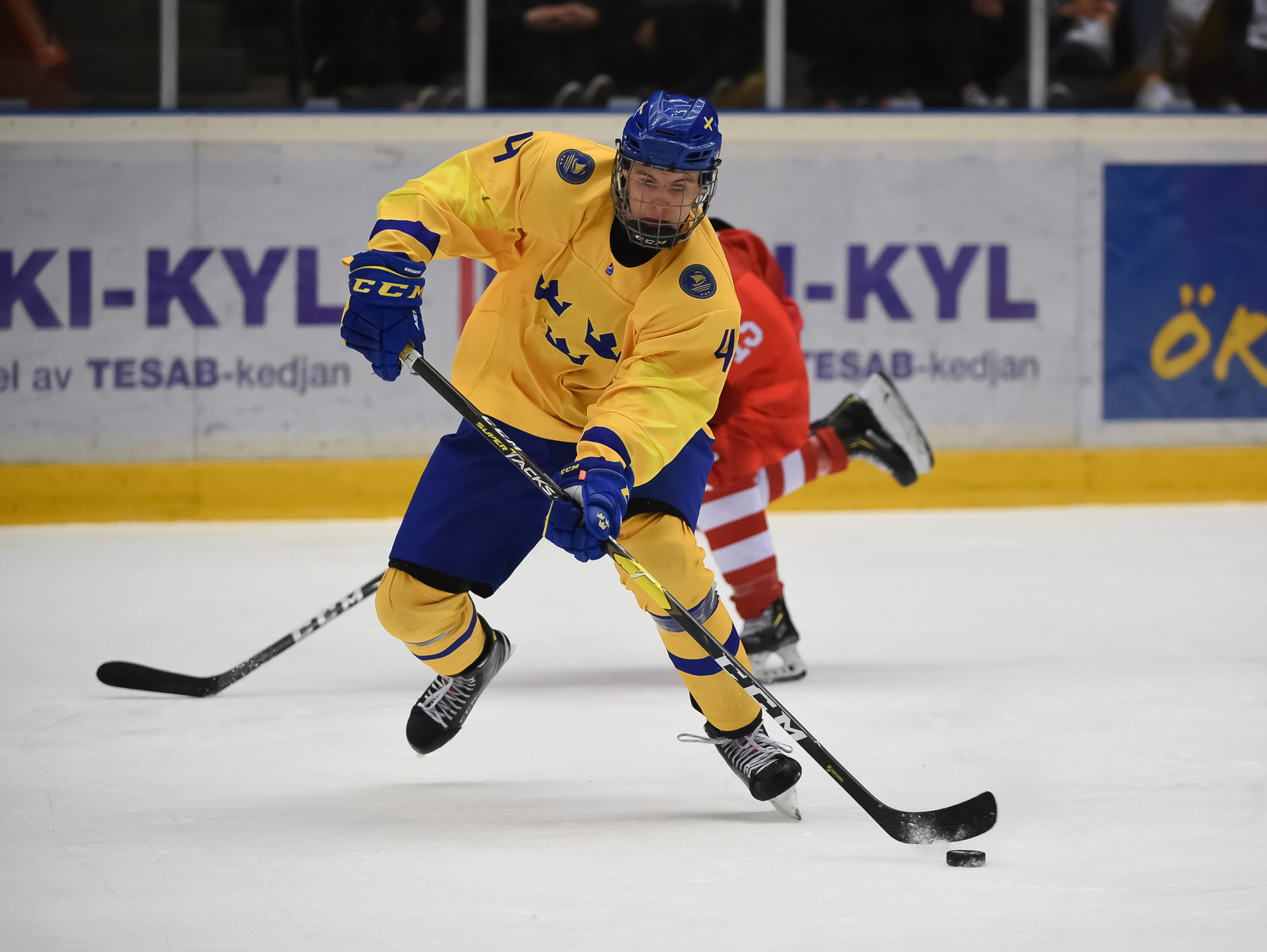 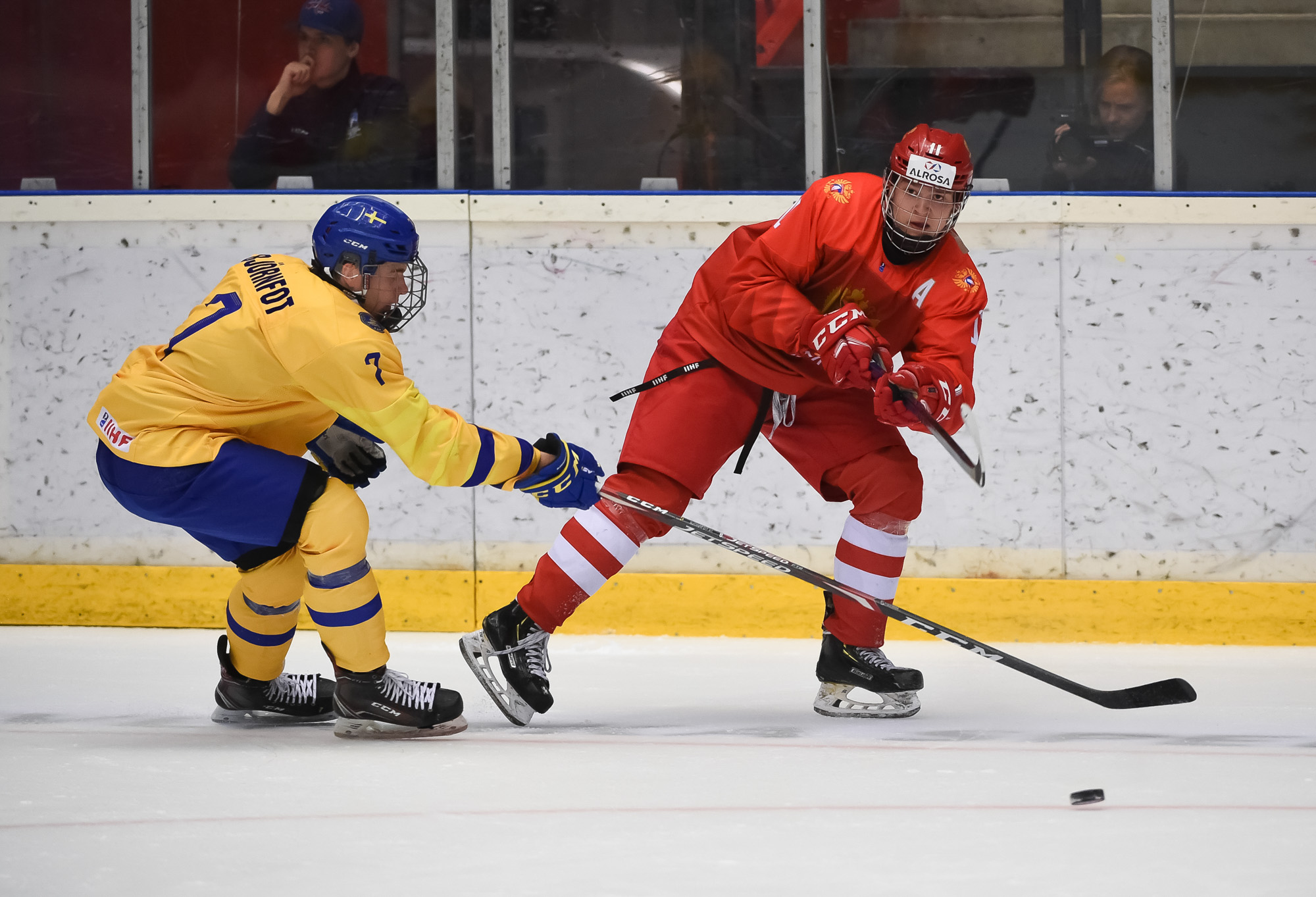 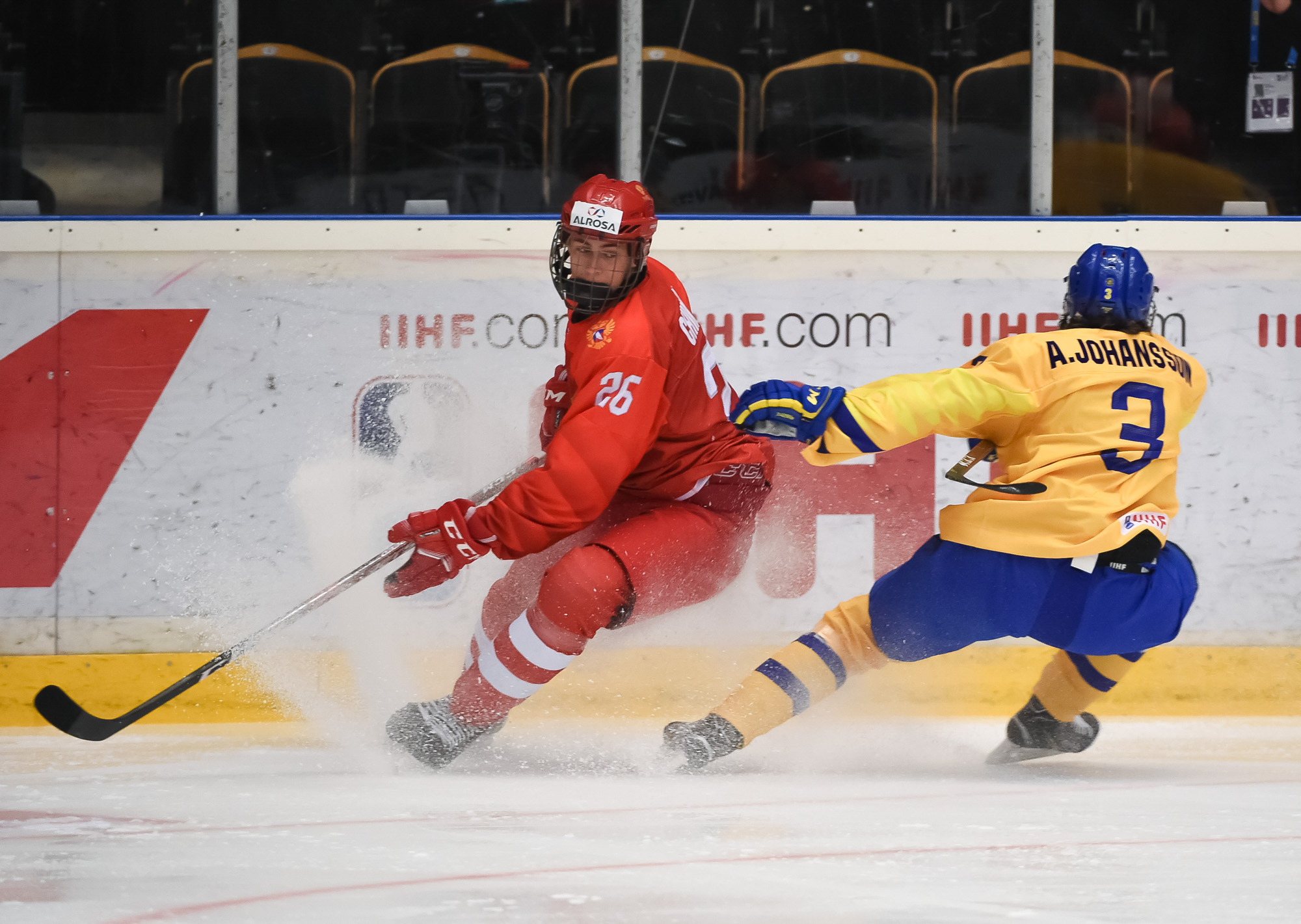 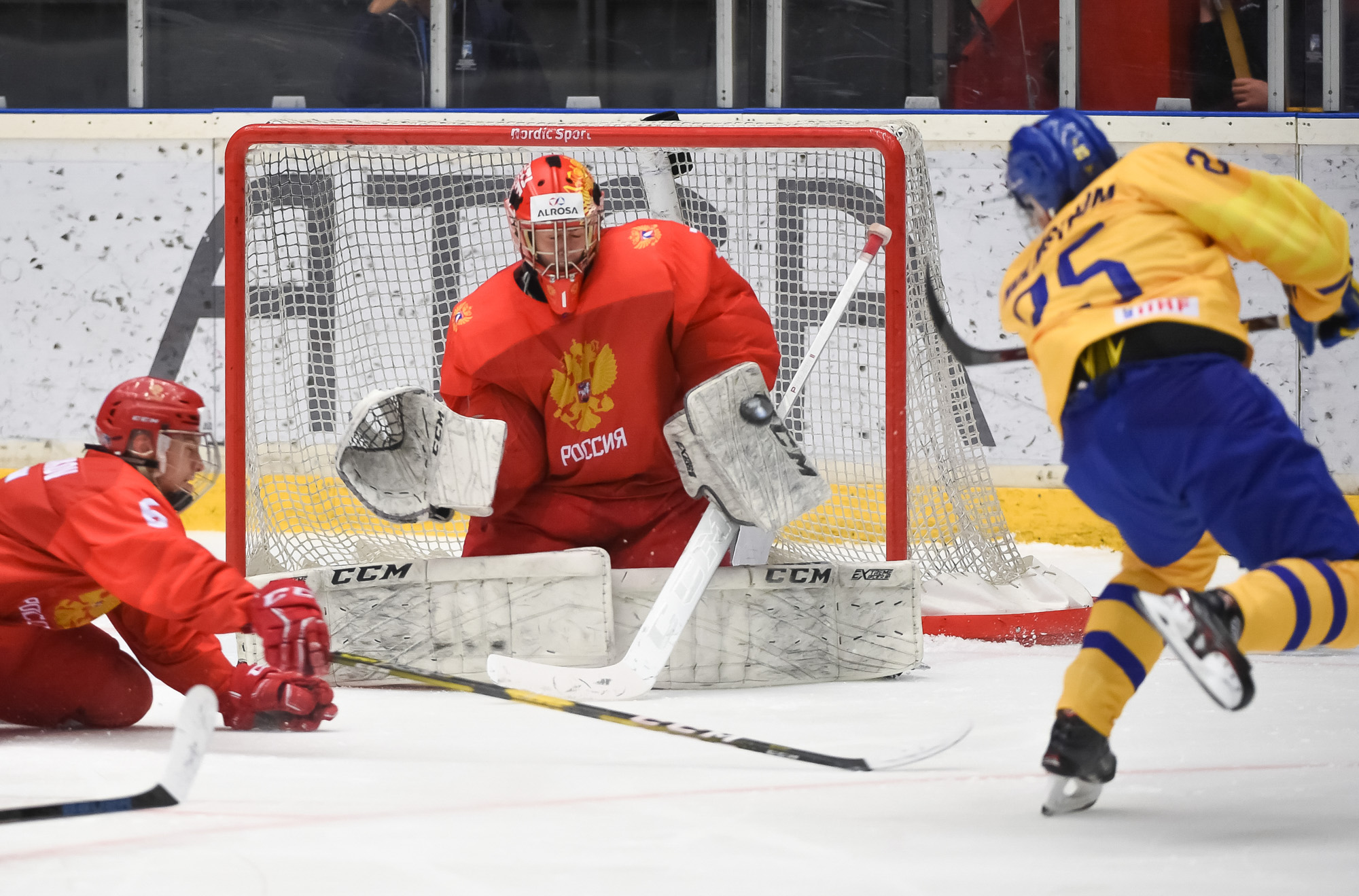 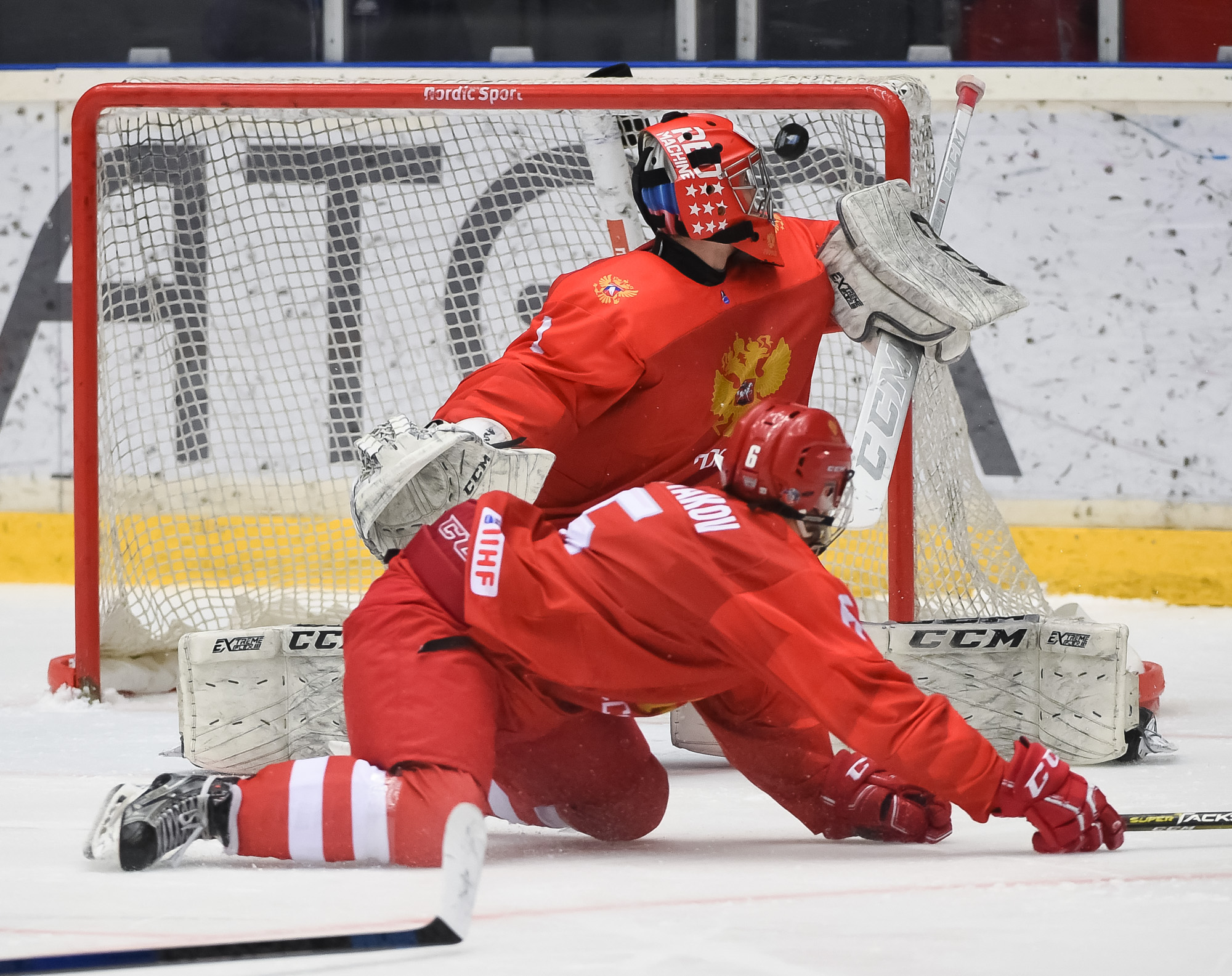 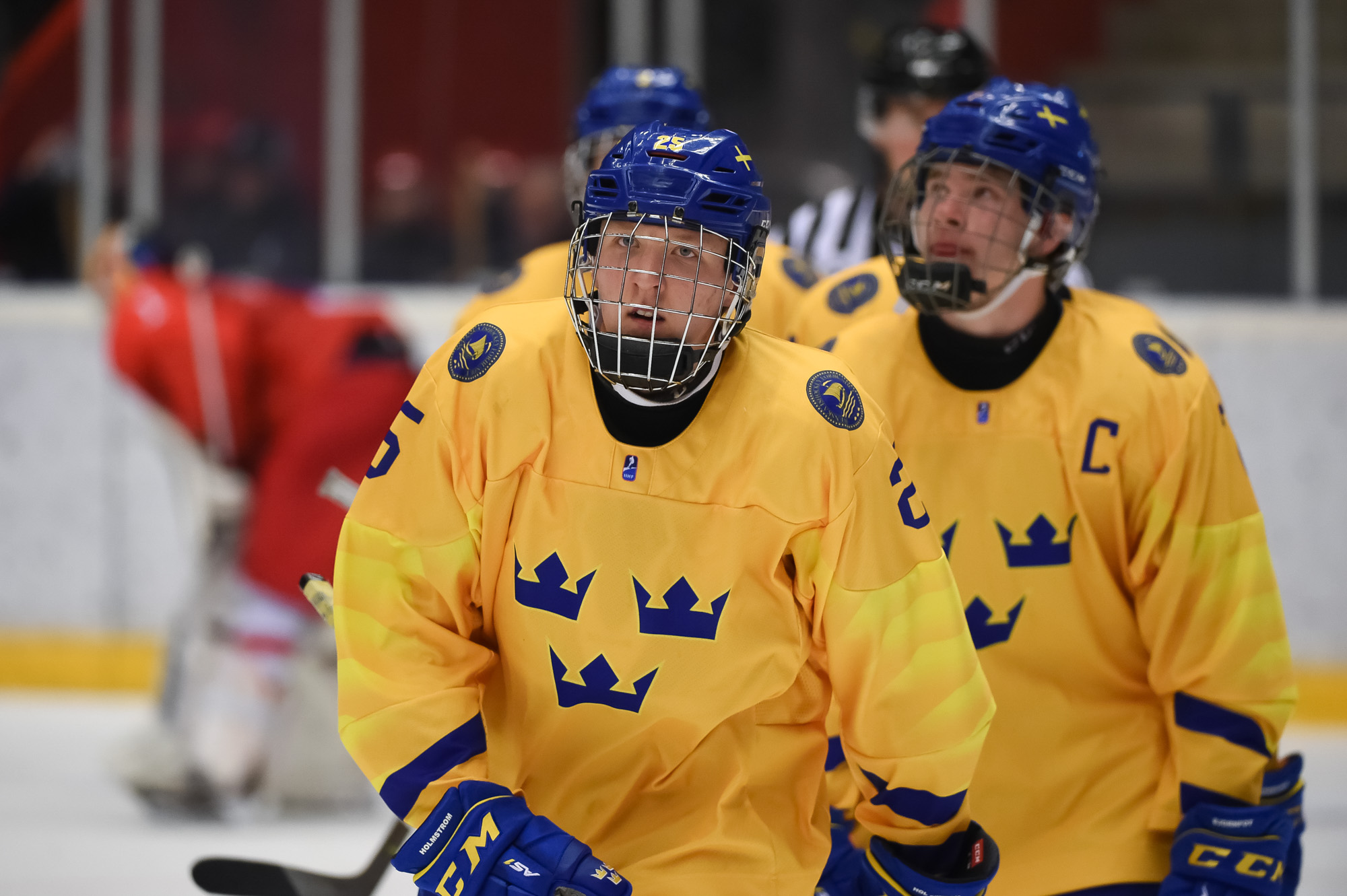 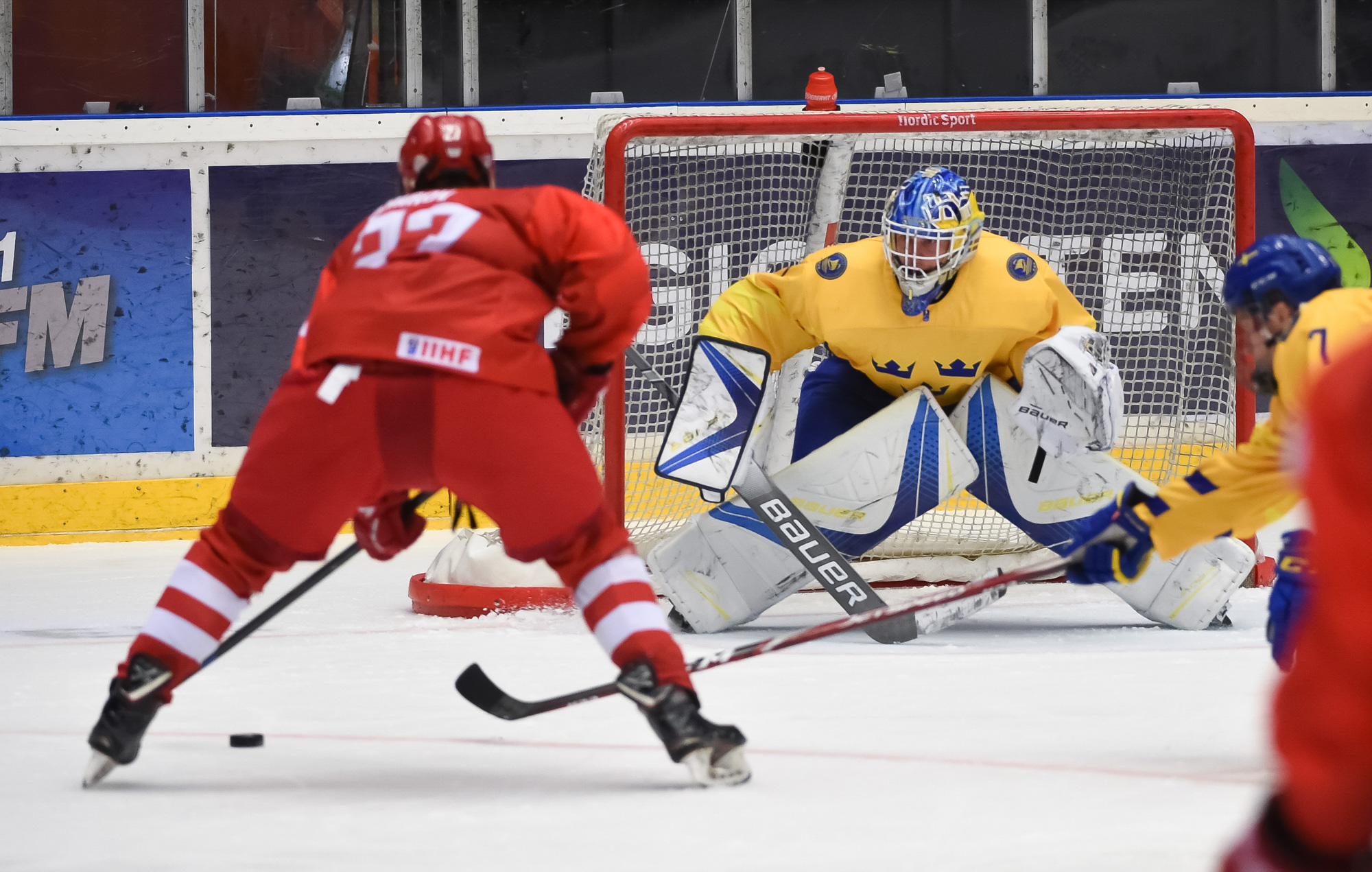 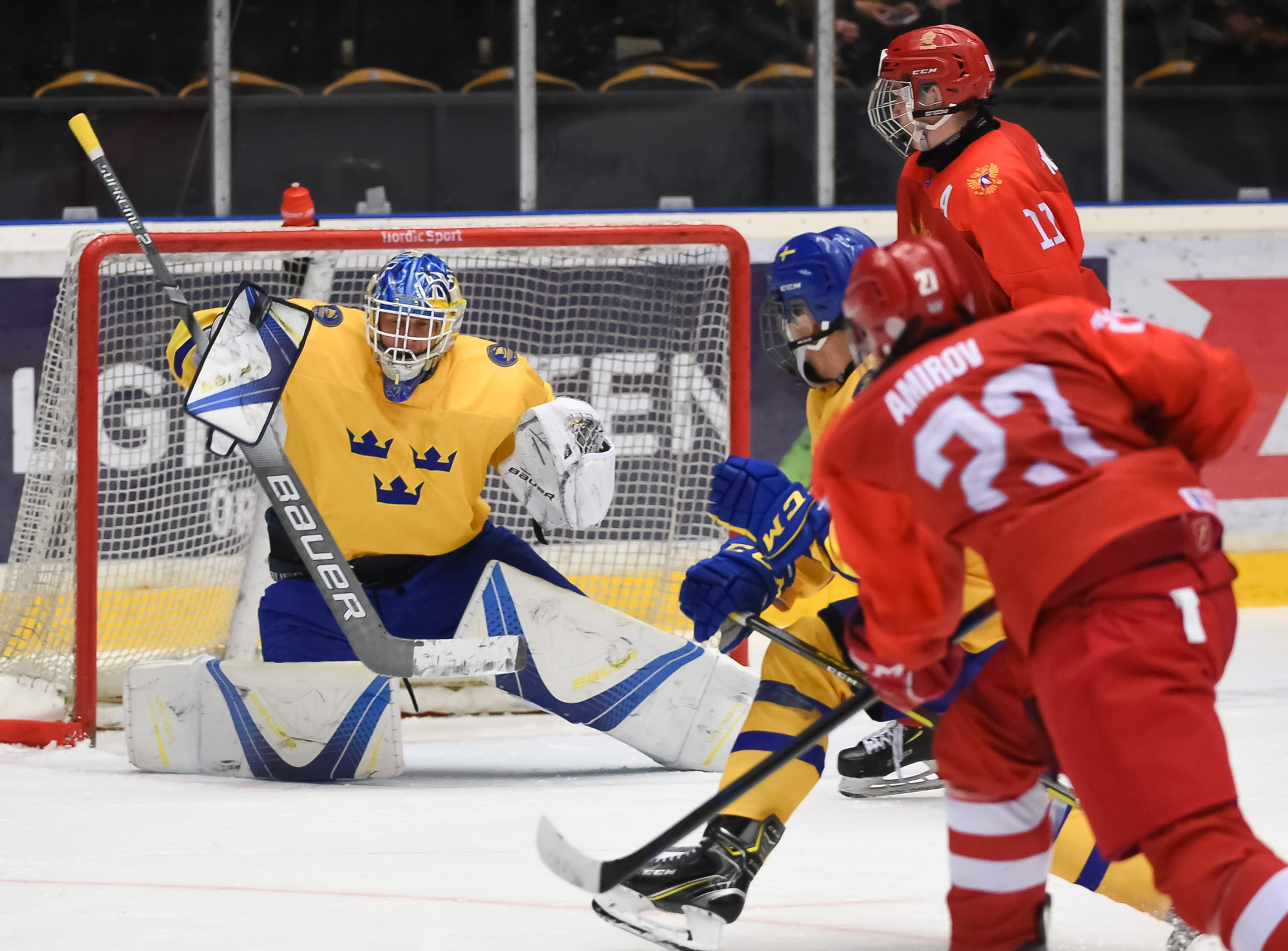 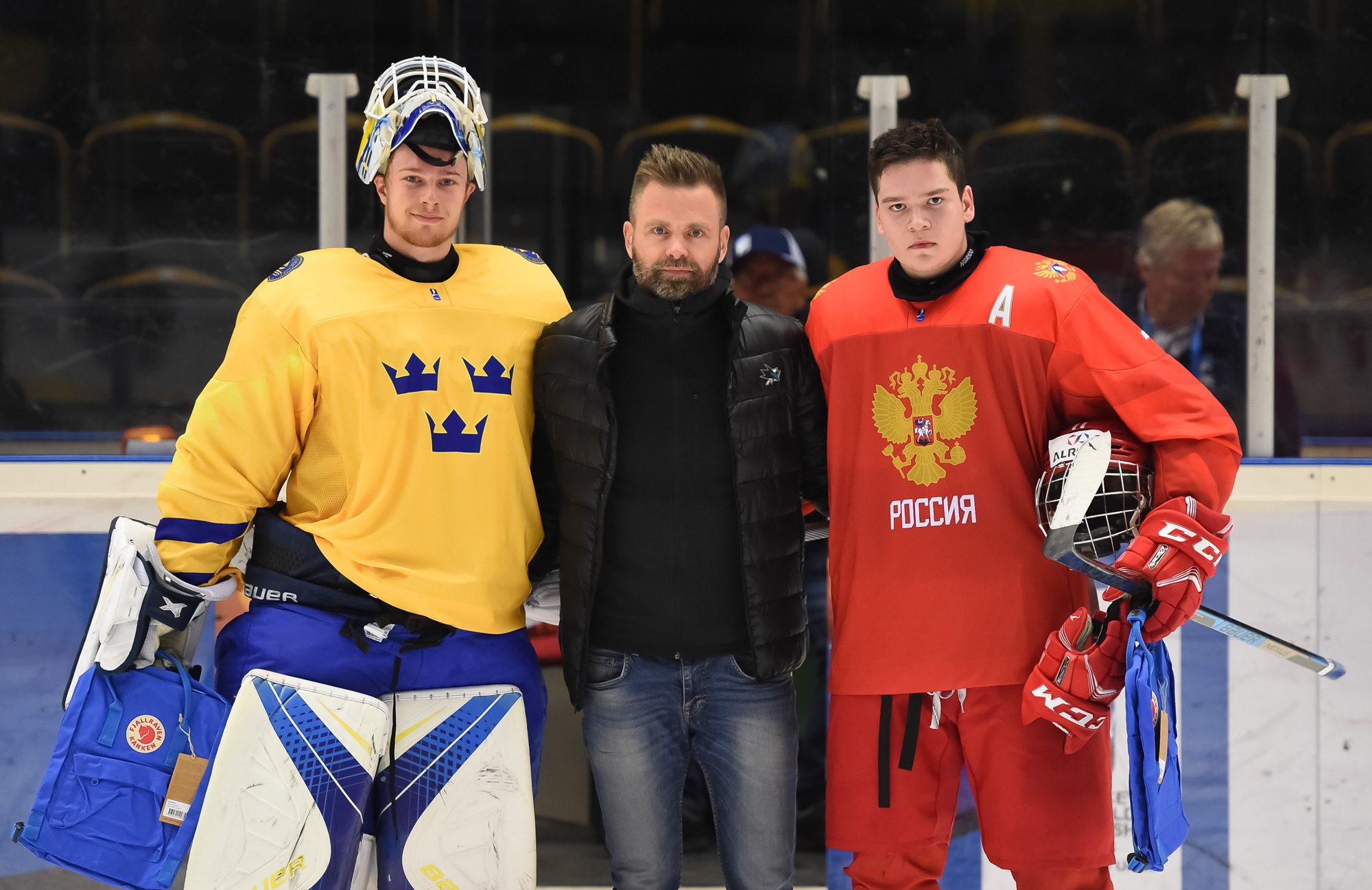 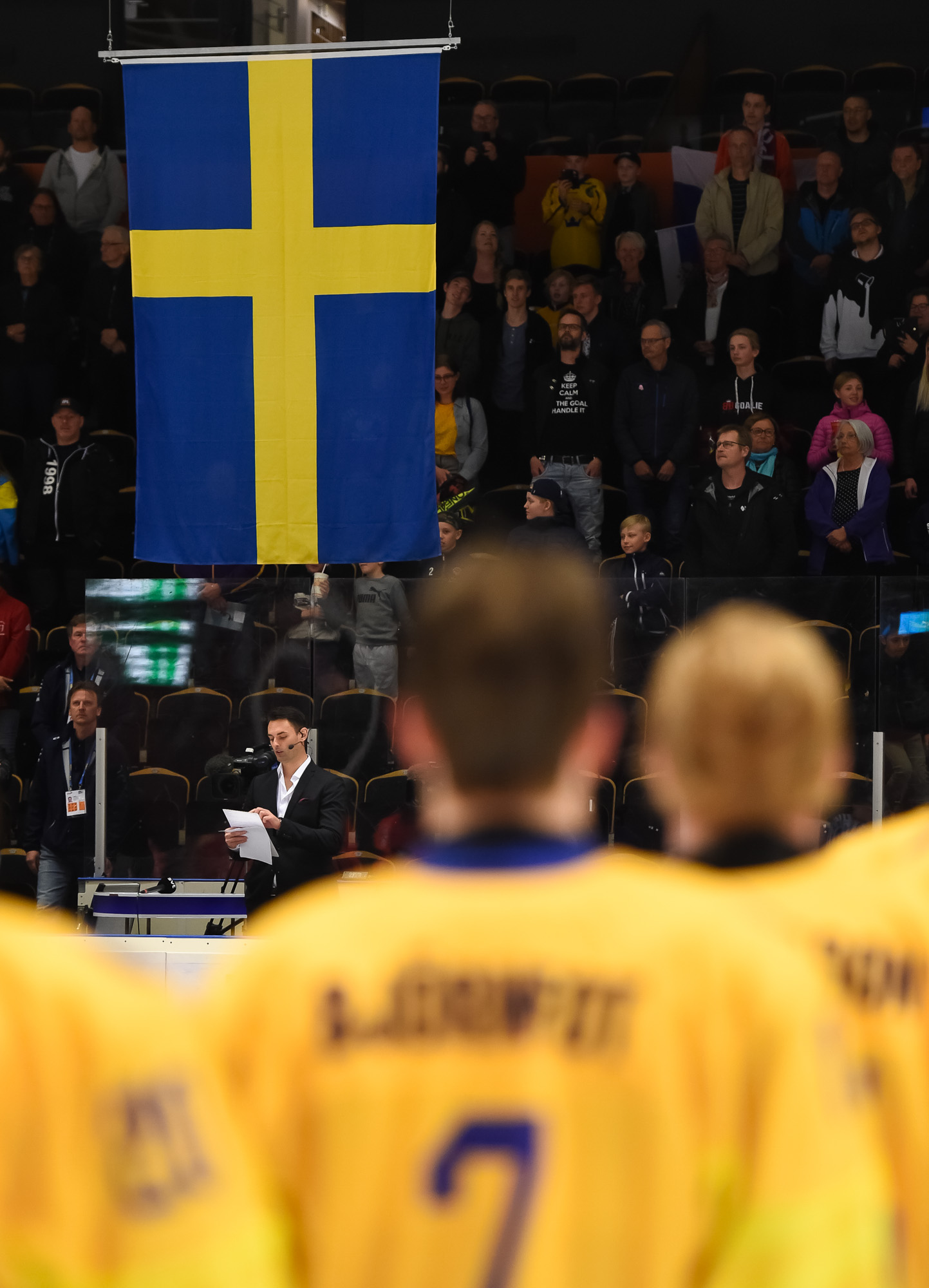