Get ready for just the fifth all-European final in U18 Worlds history. On Albin Grewe's goal with 2:31 left, host Sweden edged Canada 4-3 in Saturday's second semi-final and will face Russia for gold on Sunday. The Swedes are seeking their first U18 gold ever.

"We won the last game [against Russia] 3-0, but now it's a final," said Alexander Holtz, who stepped up with two goals. "So it's a whole other game. We'll try to do our best."

"The crowd is awesome," added Karl Henriksson, who leads Sweden with eight points. "The whole team really pushes and we just fight for each other. We have good team chemistry. We showed it today."

For the winner, Grewe cruised into the left faceoff circle and surprised Canadian goalie Taylor Gauthier with a rapid, rising release from the dot. The Canadians will battle their cross-border American rivals in the bronze medal game.

"The Americans have been a top team all year," said captain Peyton Krebs. "If you would have told me we'd play the Americans in the bronze medal game in a World Championship three months ago, I would have been pretty happy with that. So it's going to be a great test. They've got some studs over there. We've got to bring our A game."

In front of a jubilant Fjallraven Center crowd of 3,519, Philip Broberg added a single for Sweden. Henriksson racked up three assists and Simon Holmstrom had two assists.

Connor Zary had a pair of goals, and Alex Newhook also scored for Canada, which outshot Sweden 34-30.

"The compete level was unbelievable," said Krebs. "I think coming into the game, we knew it was going to be a battle. We've been here three weeks, preparing for this moment, and I think we put our best foot forward for sure. I'm super-proud of the guys and the way we battled."

The Smakronorna are now guaranteed their tenth medal in U18 history. They own five silver medals and four bronze medals. Sweden lost the 2016 final 6-1 to Finland and finished third last year.

In this semi-final, the Swedish power play only clicked once, but Canada spent too much time in the box, taking seven minor penalties to Sweden's two."Something we stressed all tournament was discipline," said Newhook. "To have that effort tonight and to have that many penalties, it's definitely a bit disappointing for our group. But we battled through a lot of that."

World Men U18
Canada vs. Sweden (SF) - 2019 IIHF Ice Hockey U18 World Championship
Get ready for just the fifth all-European final in U18 Worlds history. On Albin Grewe's goal with 2:31 left, host Sweden edged Canada 4-3 in Saturday's second semi-final and will face Russia for gold on Sunday.
CAN SWE 27 APR 2019

Overall, it was an entertaining and strategic matchup. Broberg opened the scoring at 11:47. Henriksson picked up the puck from Holmstrom and sent it back to the incoming blueliner, who beat Gauthier high to the glove side.

Canada answered back with a power play goal with 3:46 left in the first. Philip Tomasino sent it to Zary on the goal line, and he stepped out to fling it under Swedish goalie Hugo Alnefelt’s arm.

Newhook put Canada up 2-1 at 1:27 of the middle frame. In front of the Swedish cage, he got the puck from Dylan Cozens and got a couple of cracks at it before converting his fifth goal of these U18 Worlds.

"Nice play by Krebs and Cozie to get it to the net there," Newhook said. "I just picked it up and tried to do my part and luckily put it in the back of the net."

Holtz and Lucas Raymond have some special chemistry, and they showed it on the 2-2 equalizer at 13:55 of the second period. Raymond rushed over the Canadian blue line and dropped it at the right point for Holtz, who took a short wind-up and put a slapper along the ice past Gauthier – with Raymond providing the last-second screen. Celebrating, Holtz pounded the glass like King Kong as his teammates mobbed him.

"I tried to make a slapper short side," Holtz explained. "It went in, so that was nice."

Canada ran into penalty trouble at the end of the second period. Jamieson Rees was called for slashing with 14 seconds left, and tempers flared as defenceman Braden Schneider was penalized for cross-checking Henriksson in the corner at the siren.

Early in the third, the Swedes failed to capitalize with the extended two-man advantage, and couldn't hit pay dirt when Dylan Holloway subsequently went off for roughing. Yet the Canadian penalty parade would finally spawn Sweden's 3-2 goal.

At 9:23, Holtz tipped in Tobias Bjornfot's centre point shot with five seconds left in a high-sticking minor to Dylan Cozens.

Zary, however, had an answer at 12:49. He came down the left side, fired a quick shot off Alnefelt, collected the rebound behind the net, and scored on a wraparound for his fourth of the tournament.

With Sweden leading in the final minute, Canada pulled Gauthier for the extra skater, but couldn't find the tying goal. There was pushing and shoving in the Canadian end and angry words were exchanged as time ran out. But the Swedes got their victory and a chance to take a huge step forward for their program on home ice versus the Russians.

"It's amazing, it's amazing. It's a dream come true!" Holtz said with a smile. "We're a great group of brothers. We're like a family."

As far as Canada is concerned, Krebs said: "The biggest message is going to be that the tournament's not over. We can still come home with a medal." 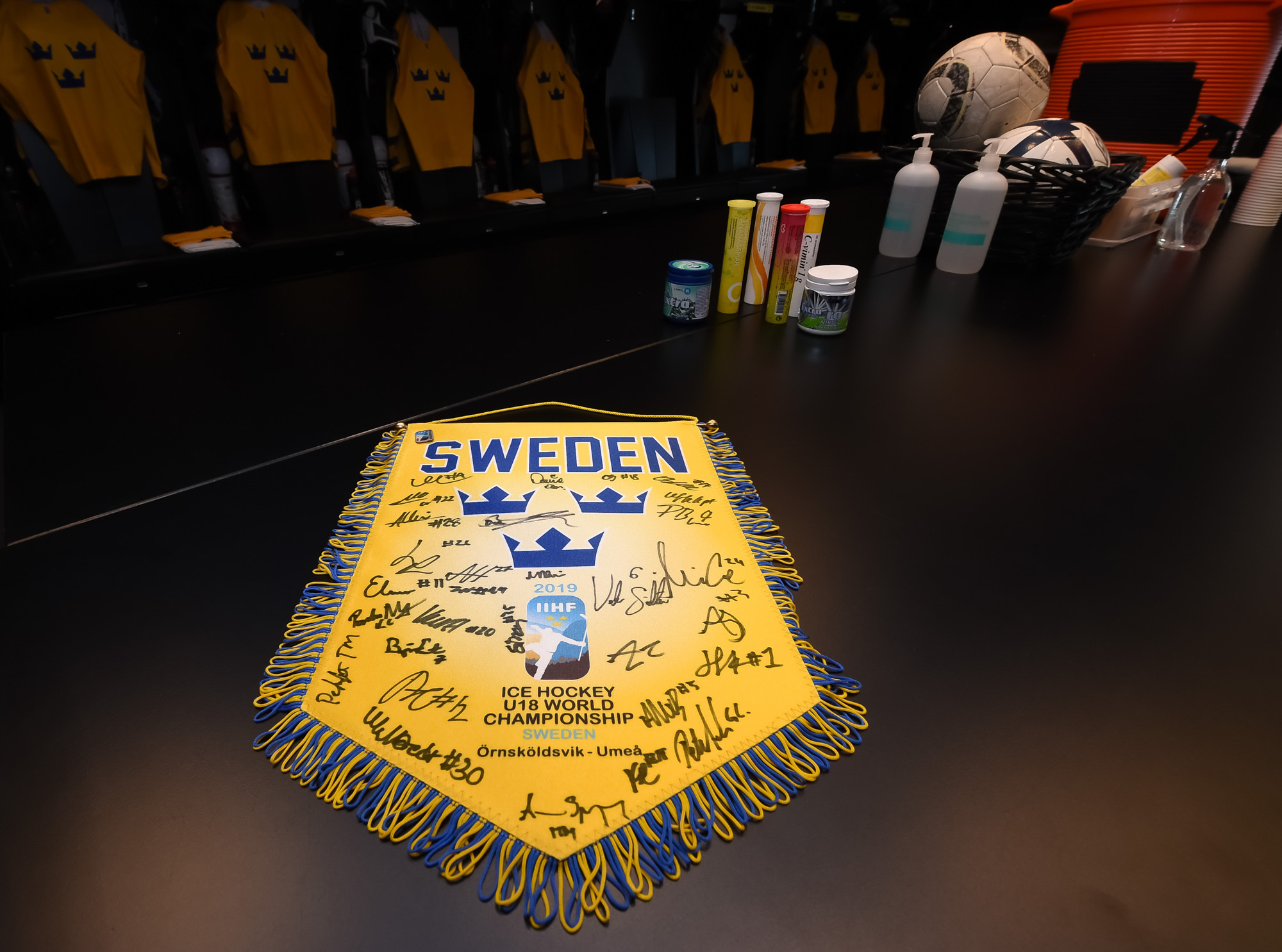 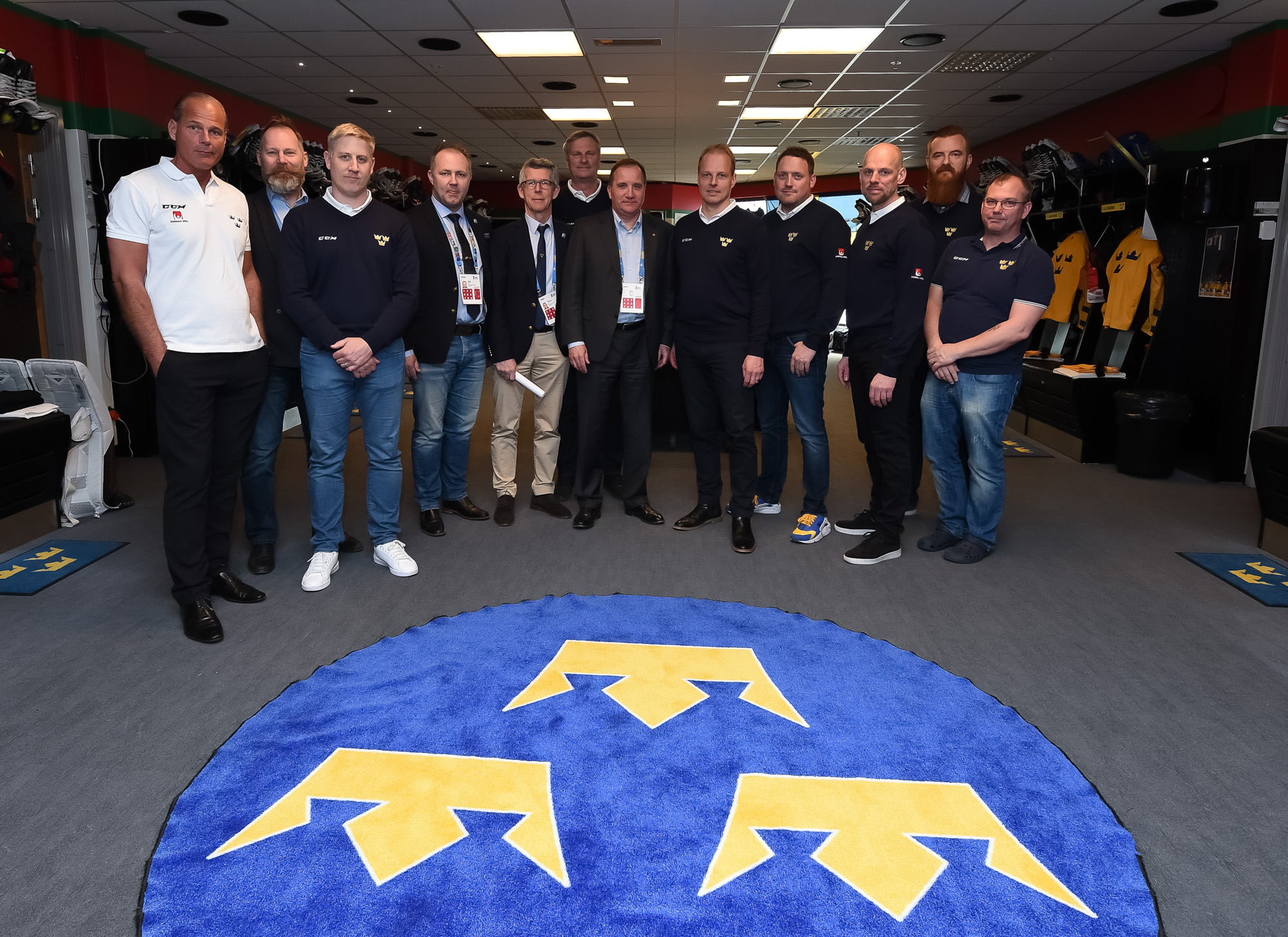 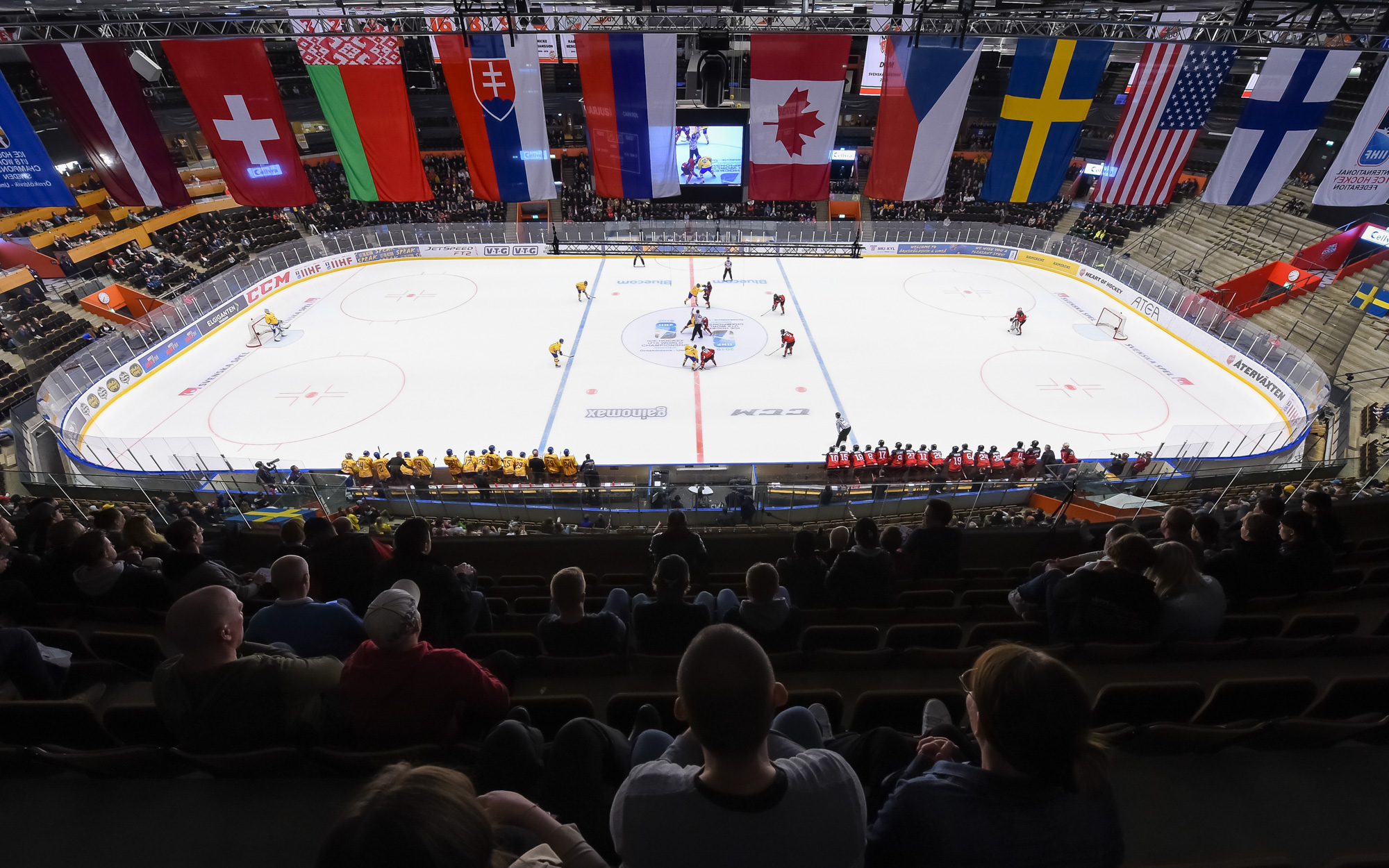 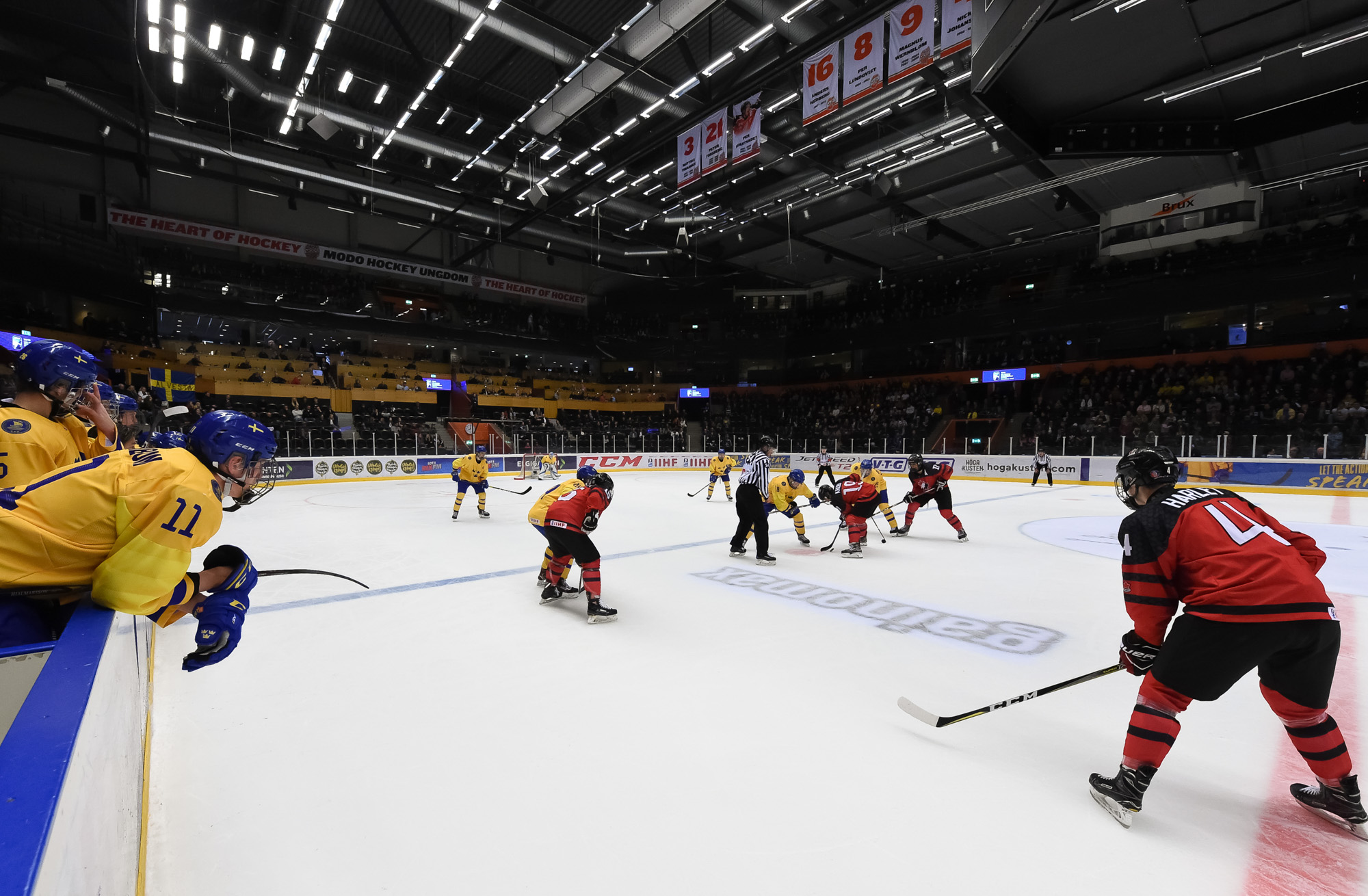 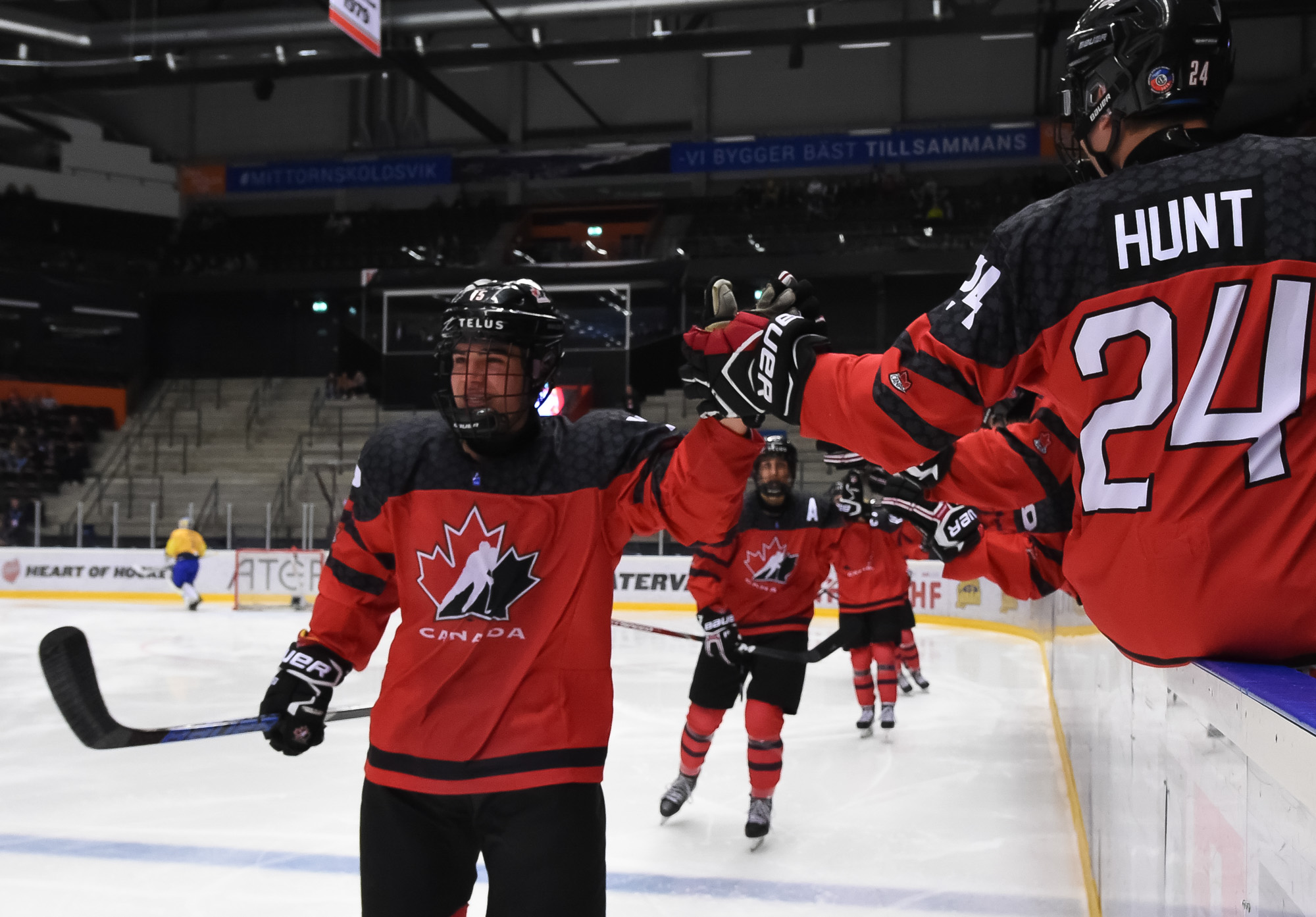 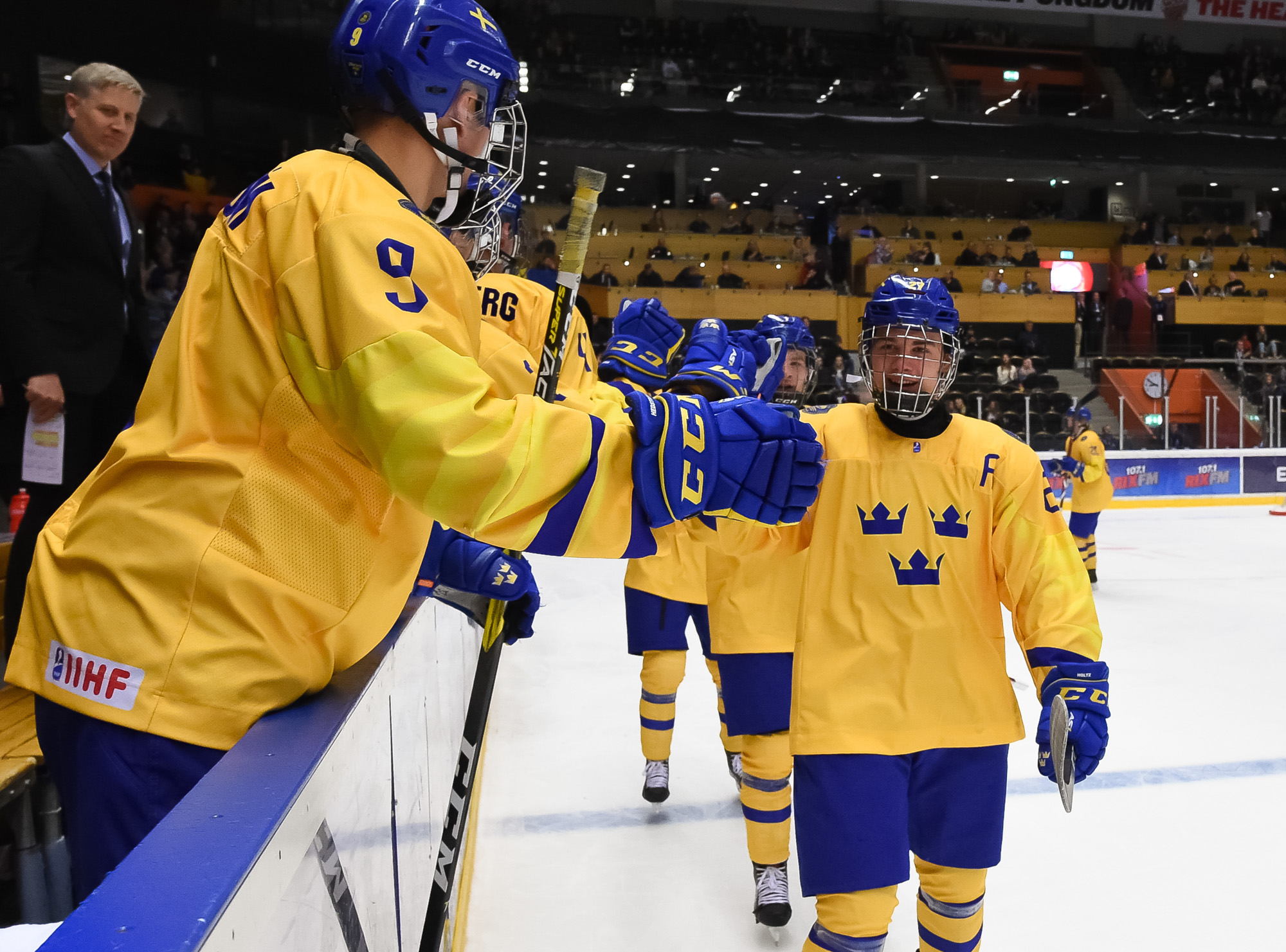 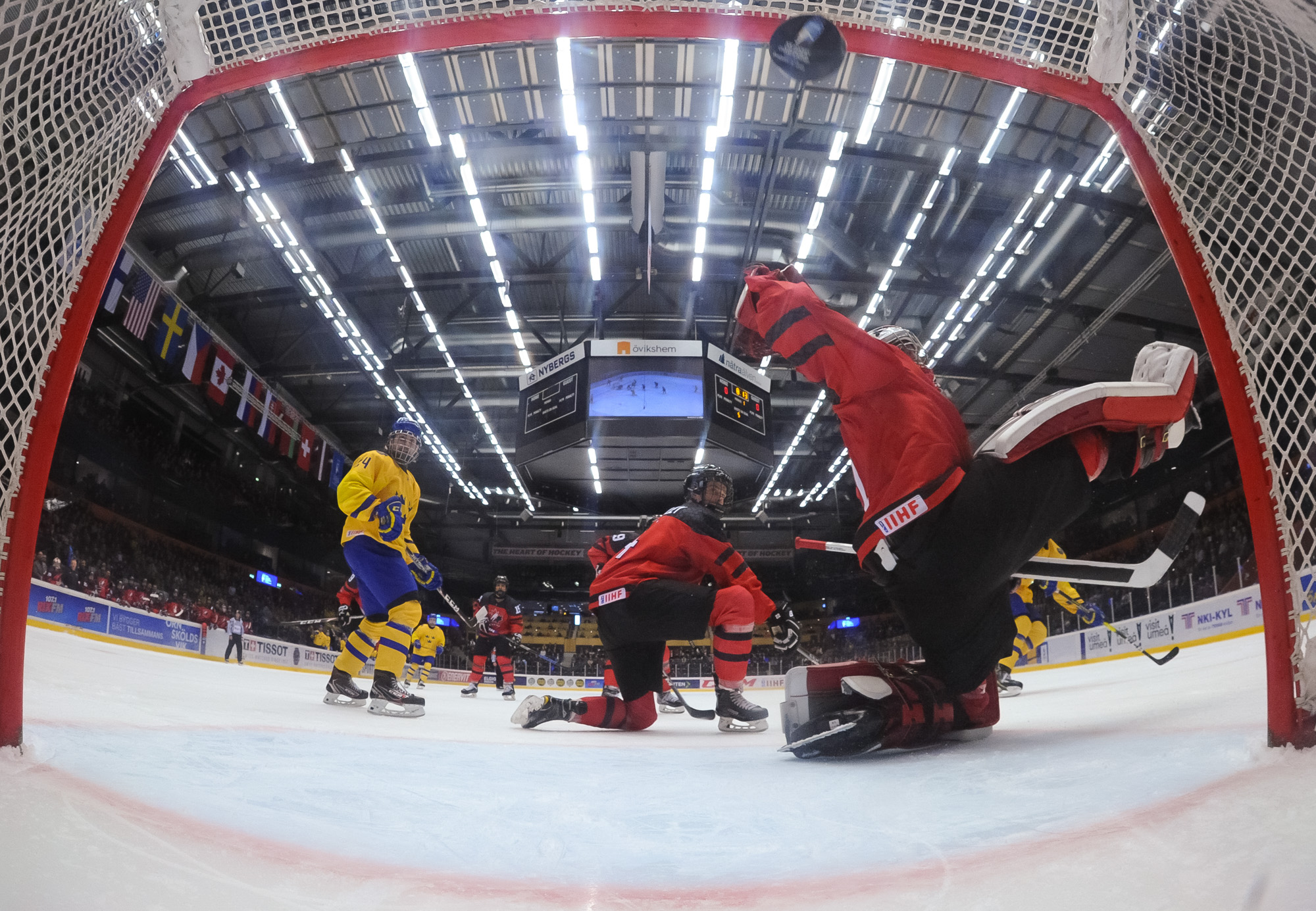 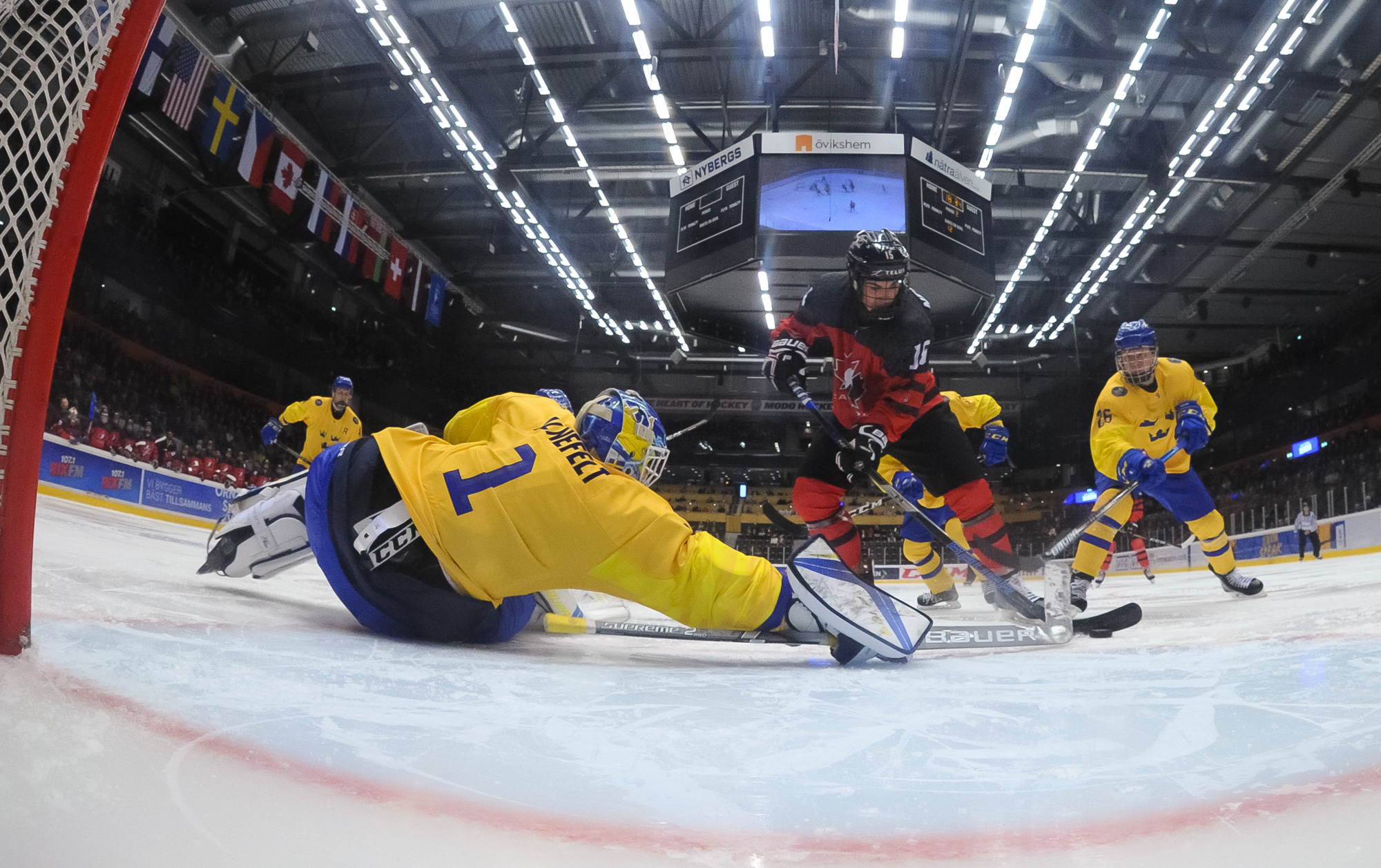 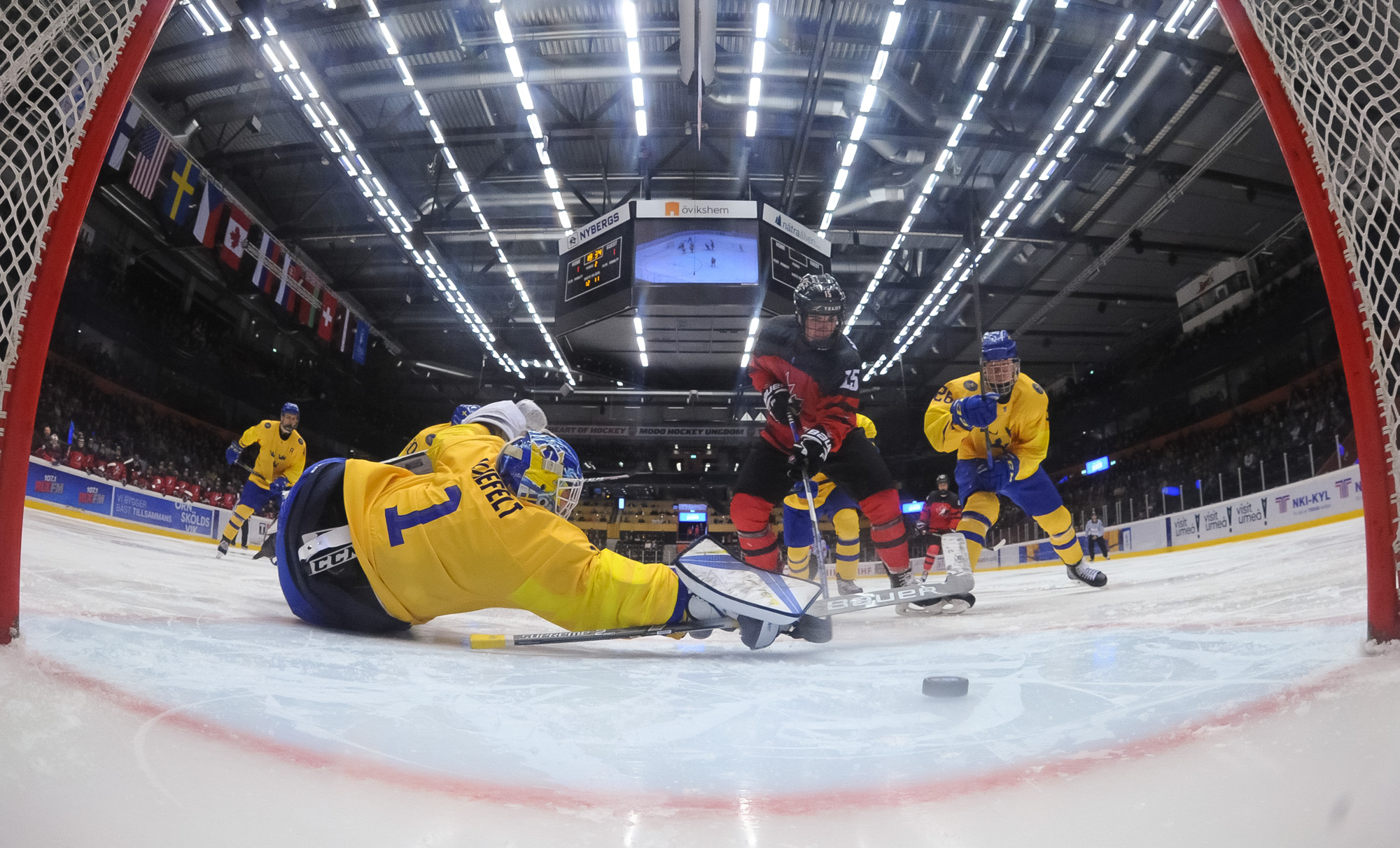 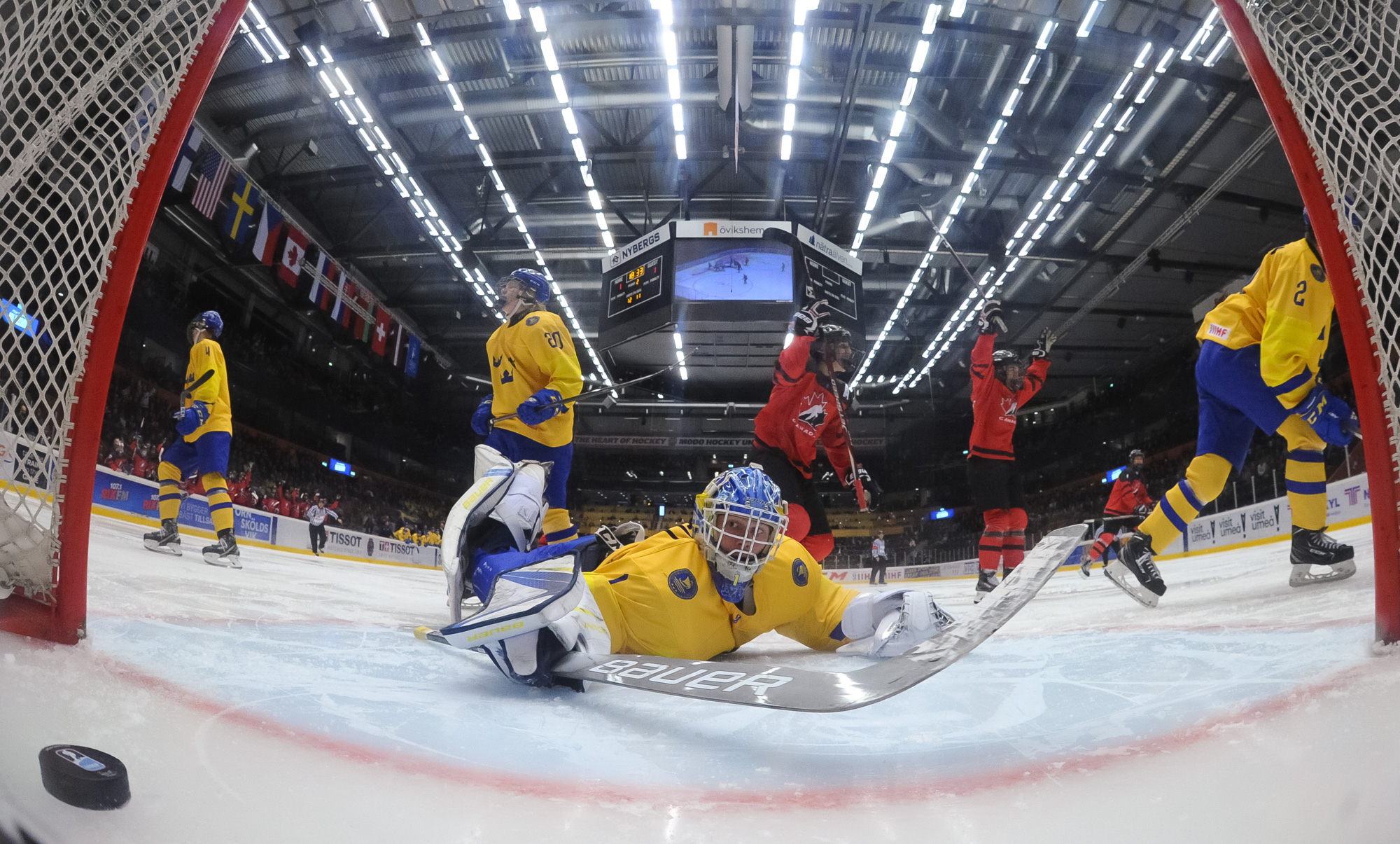 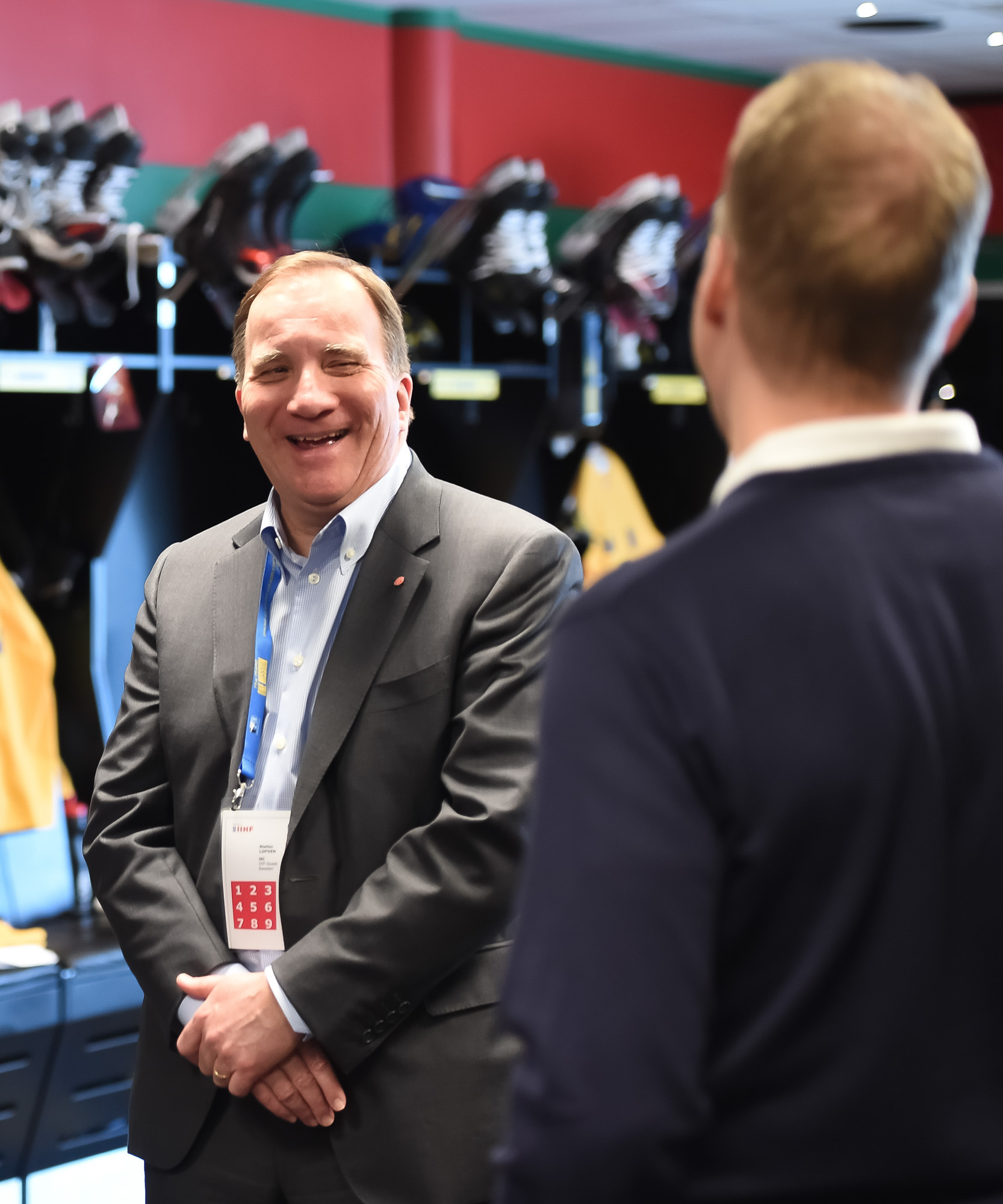 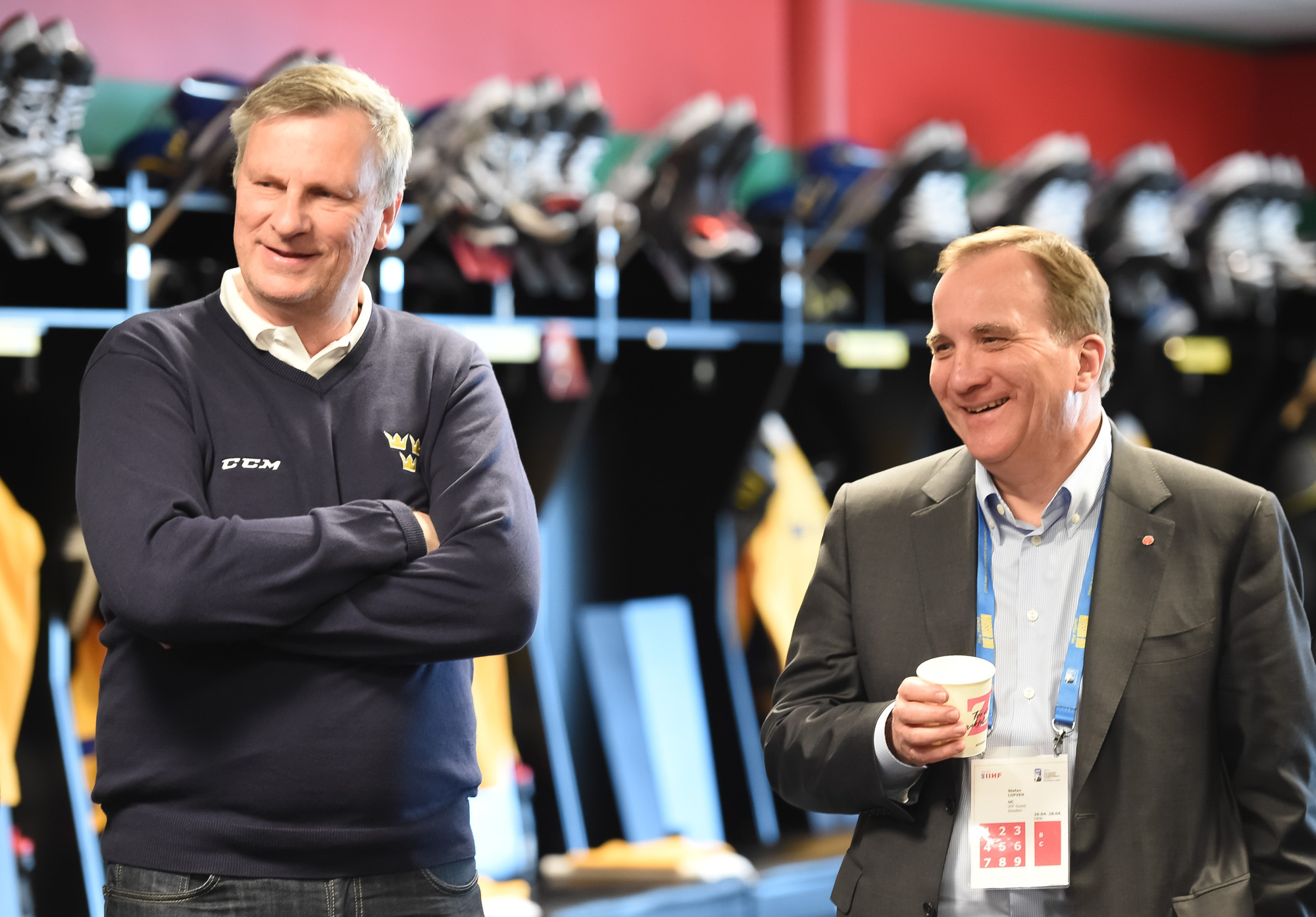 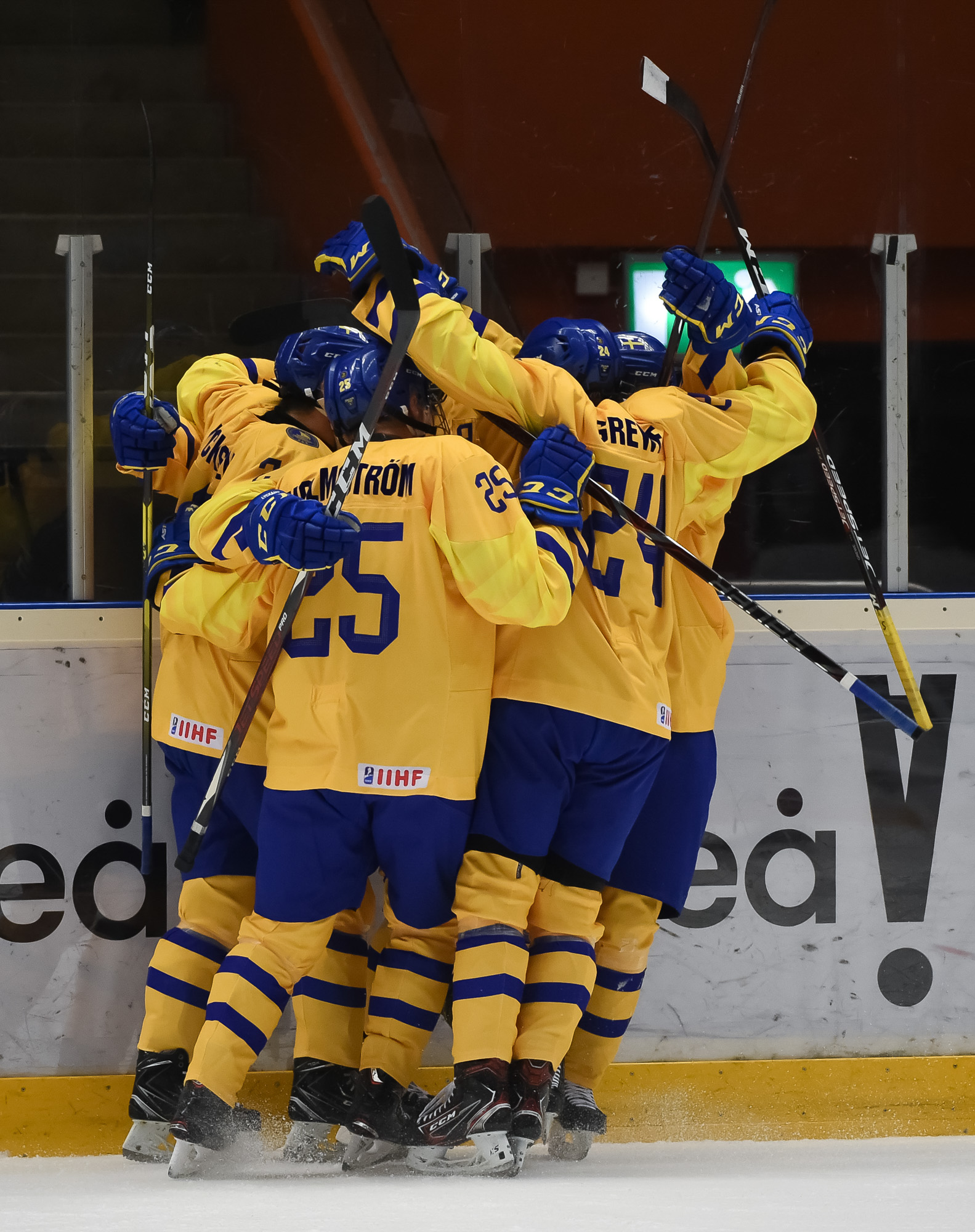 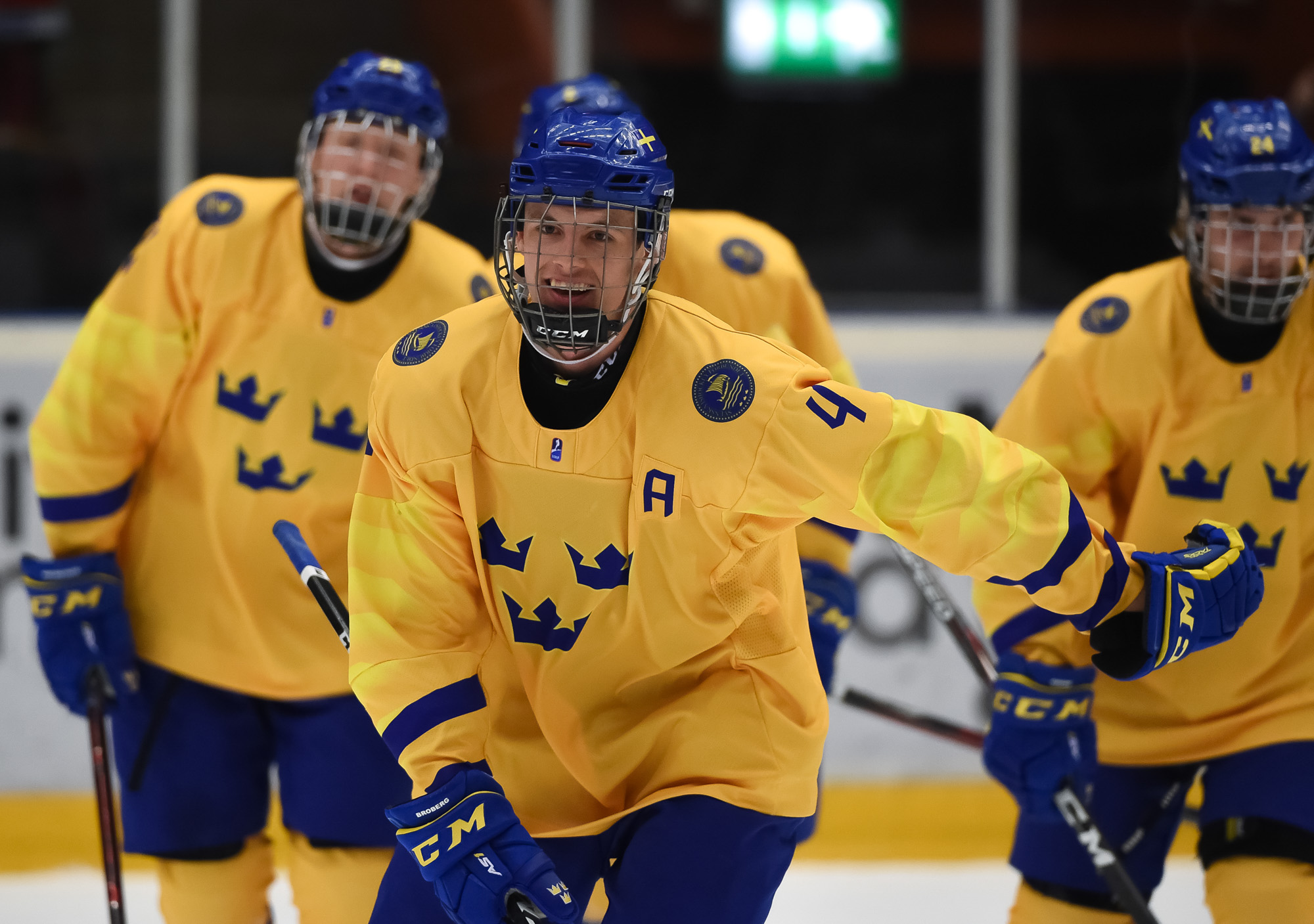 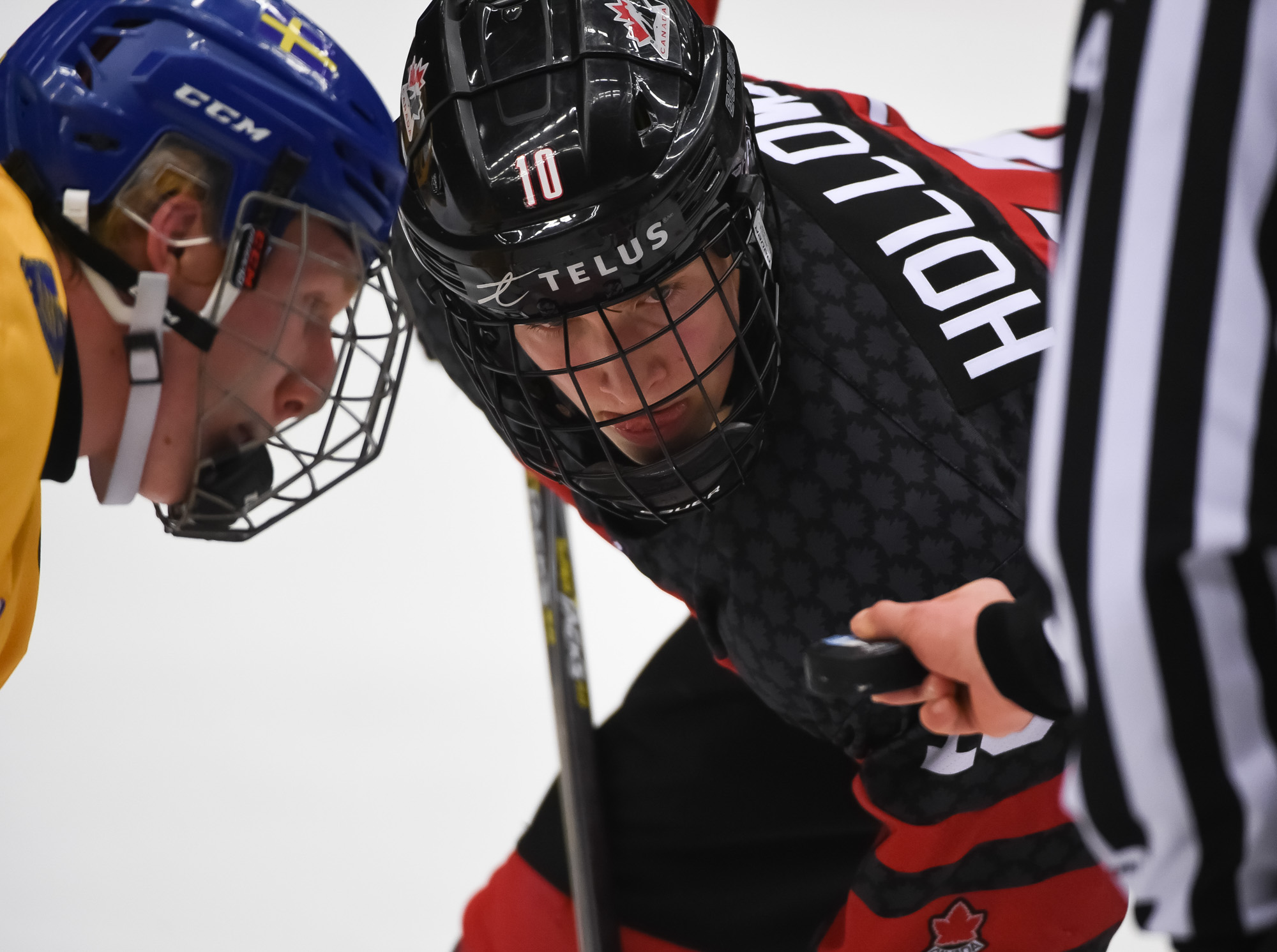 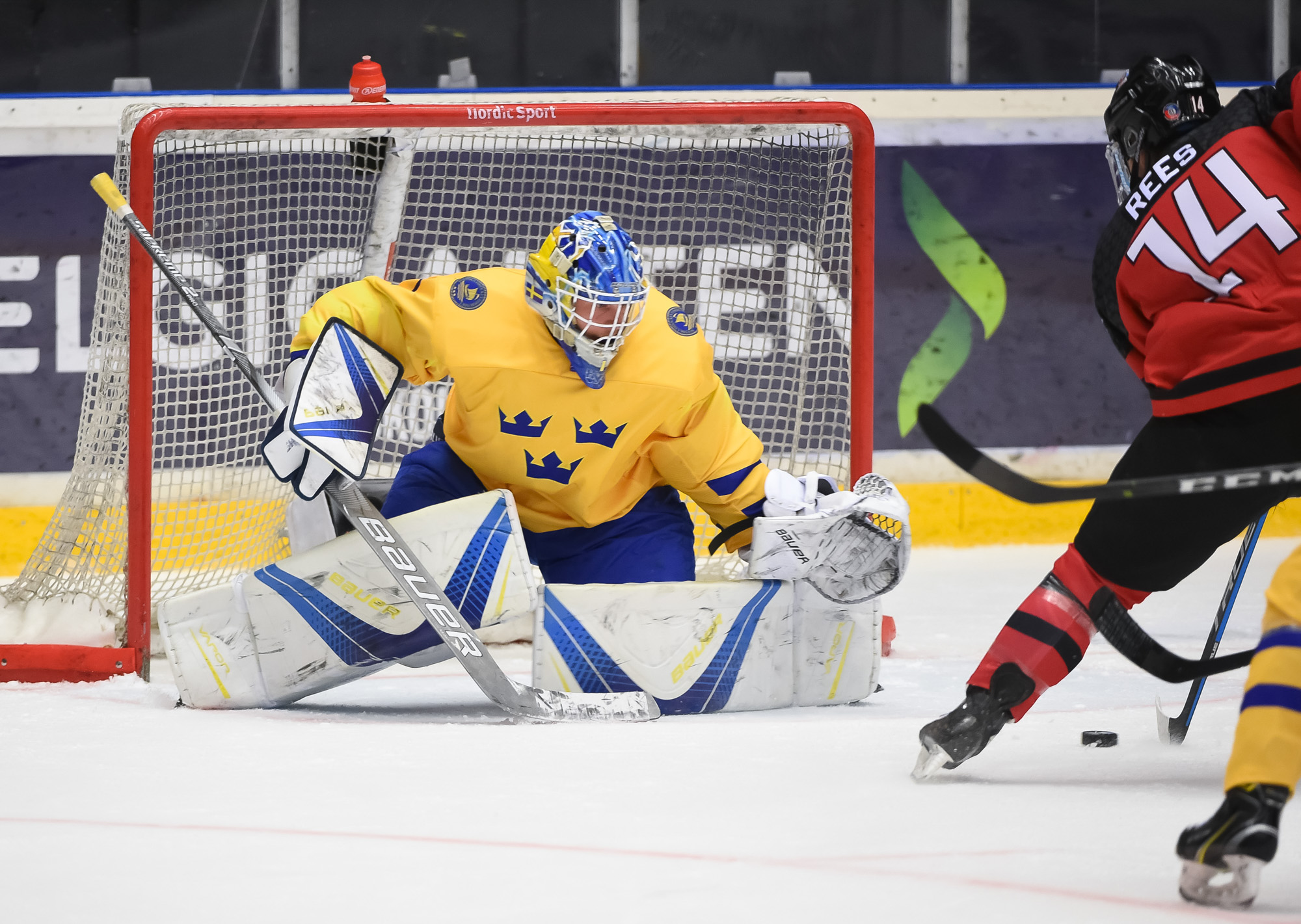 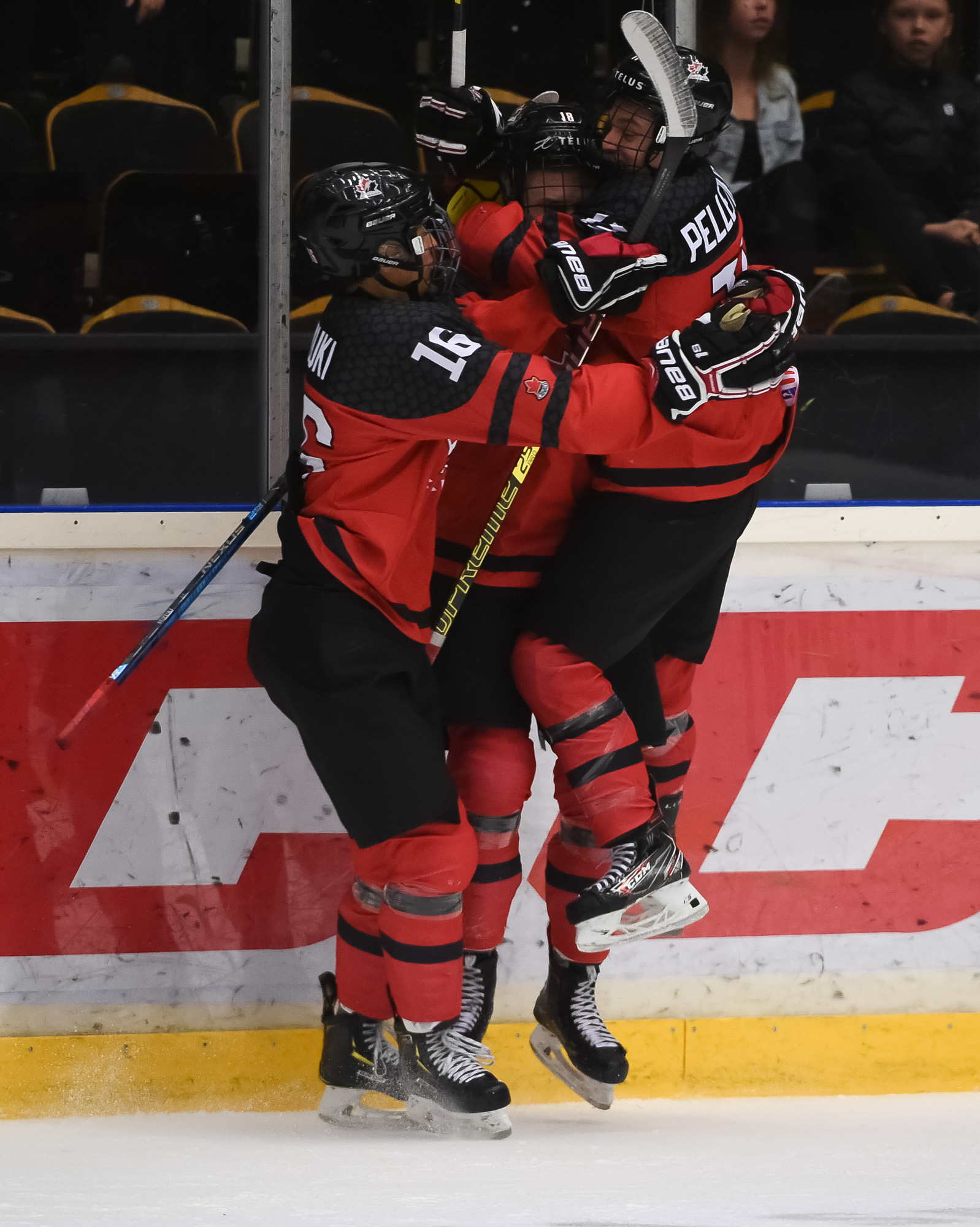 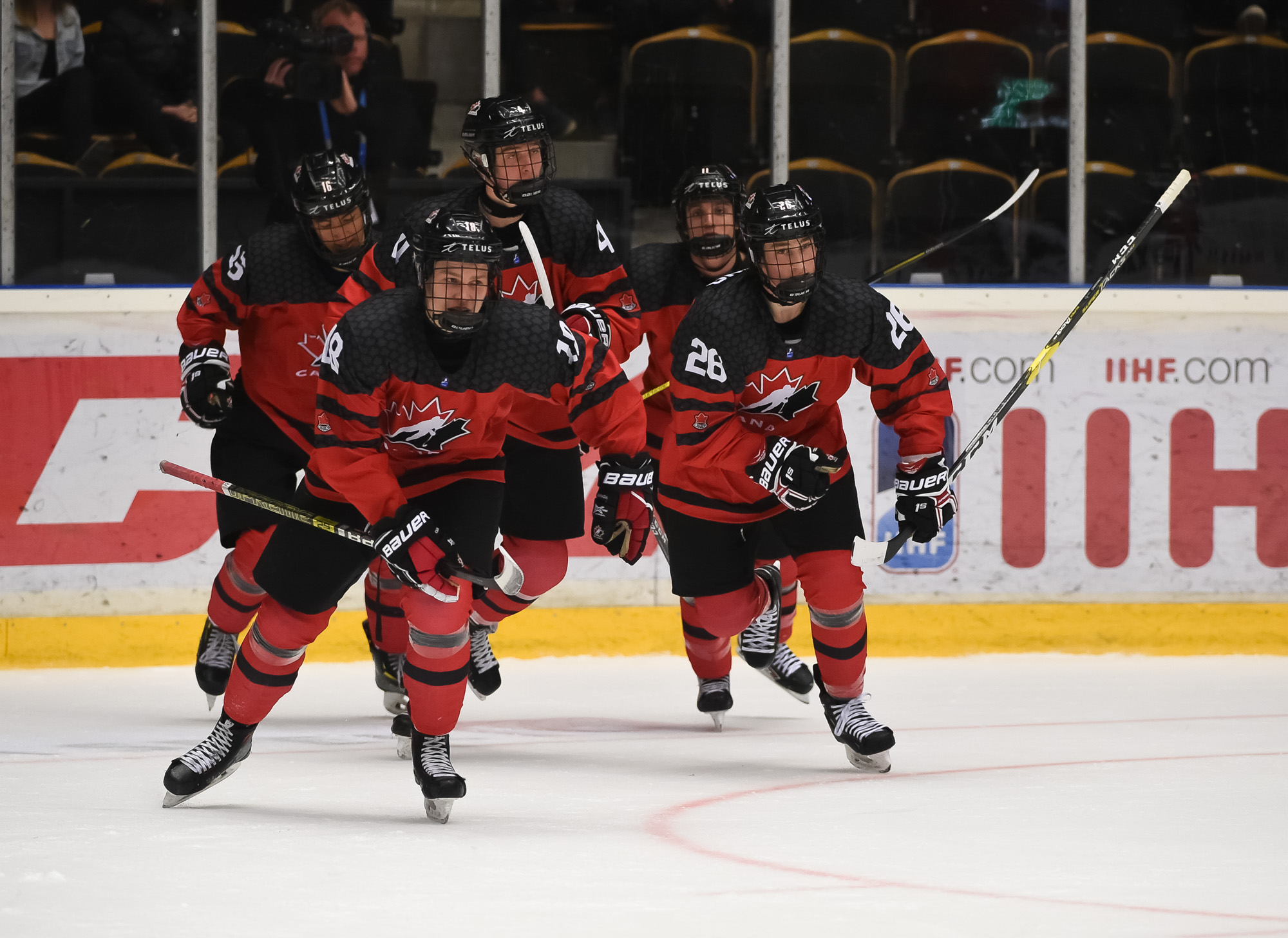 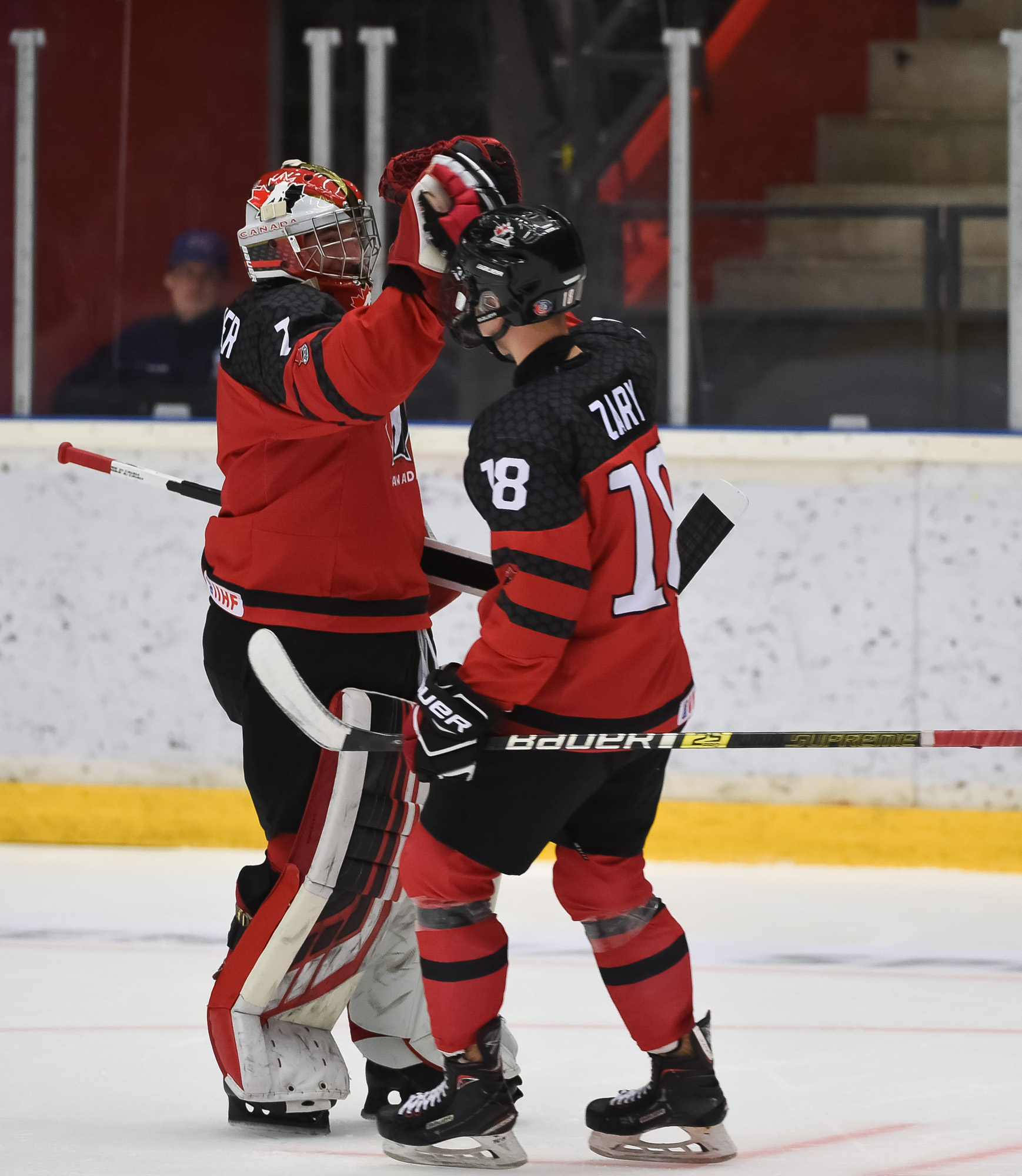 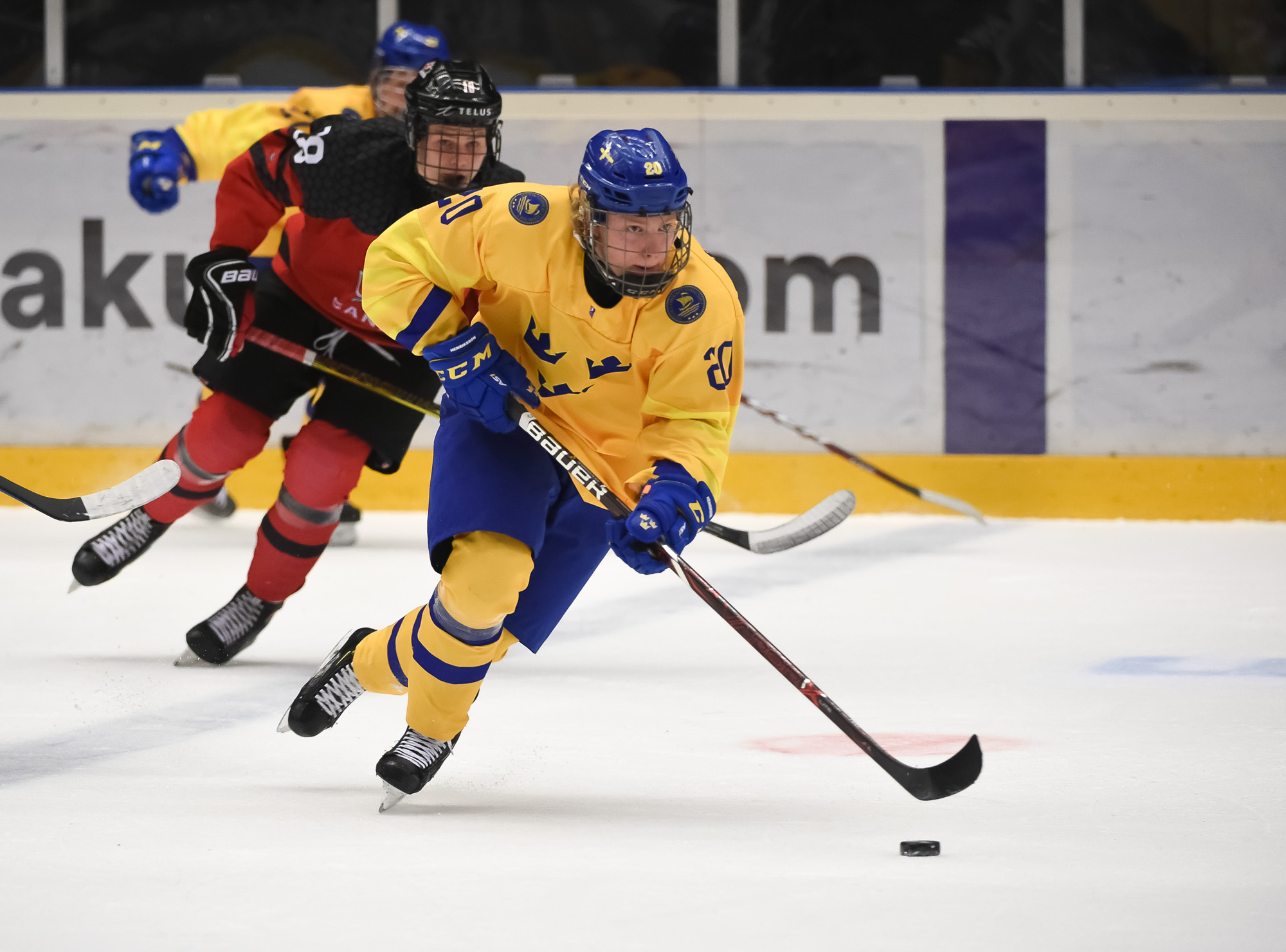 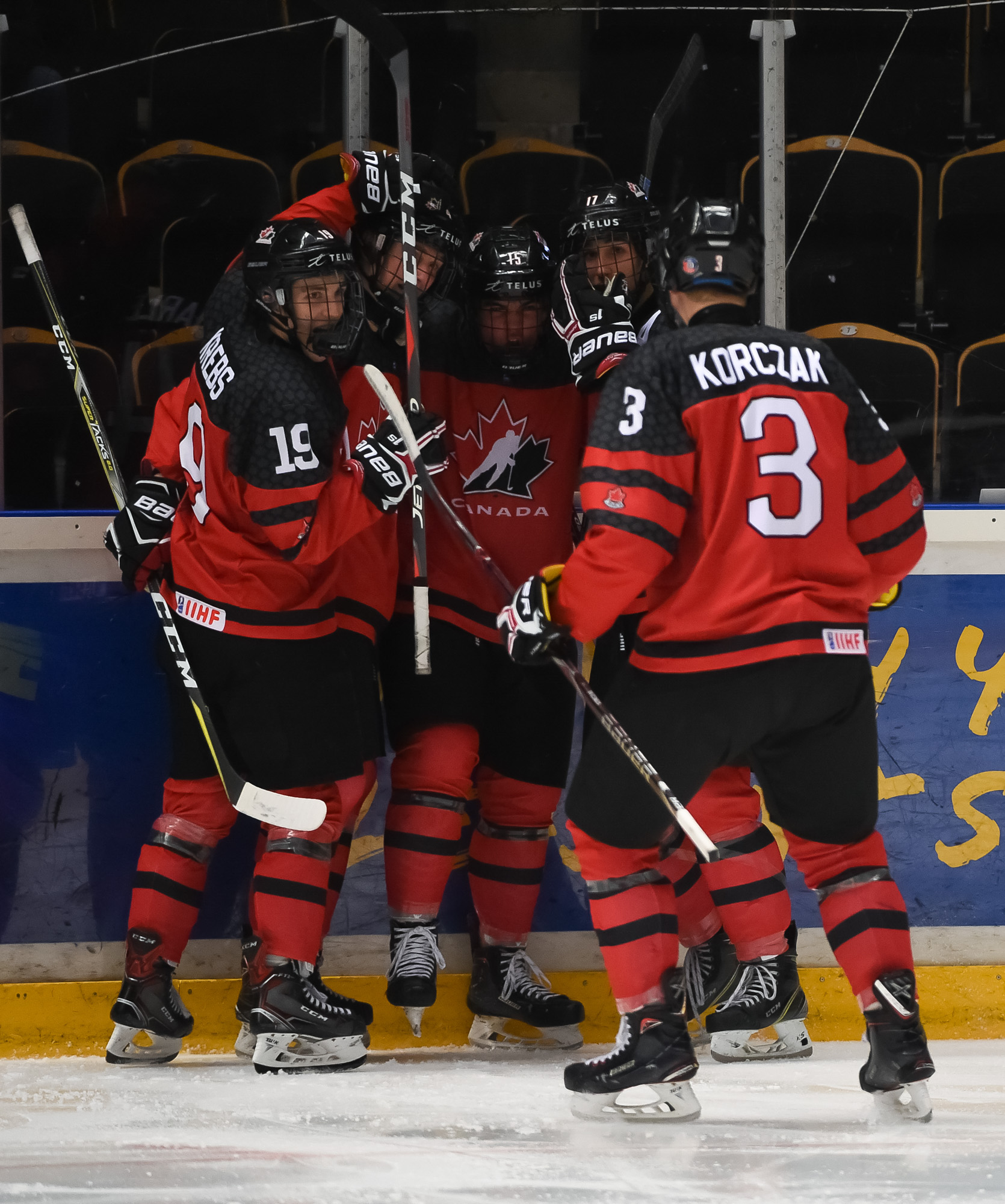 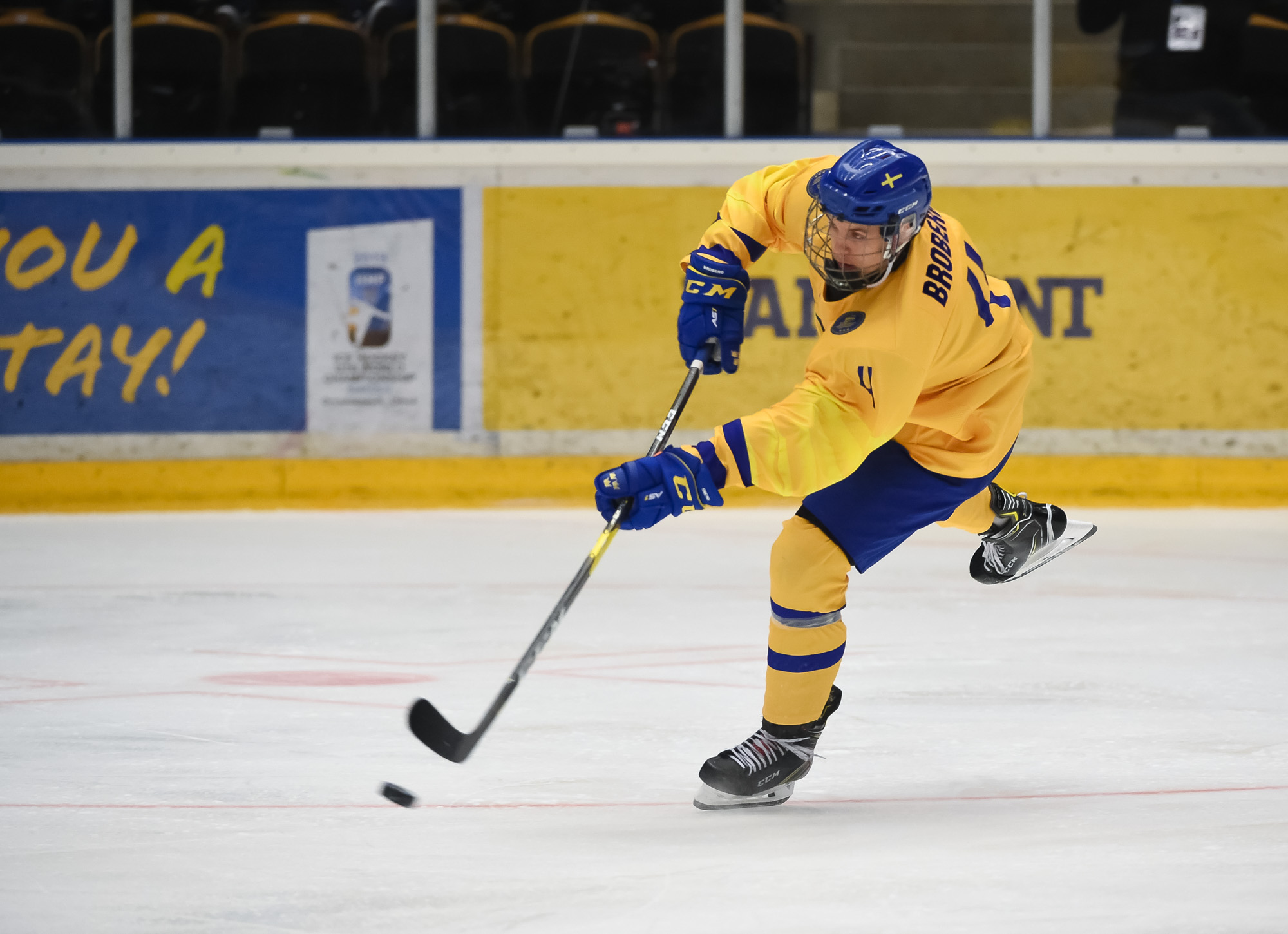 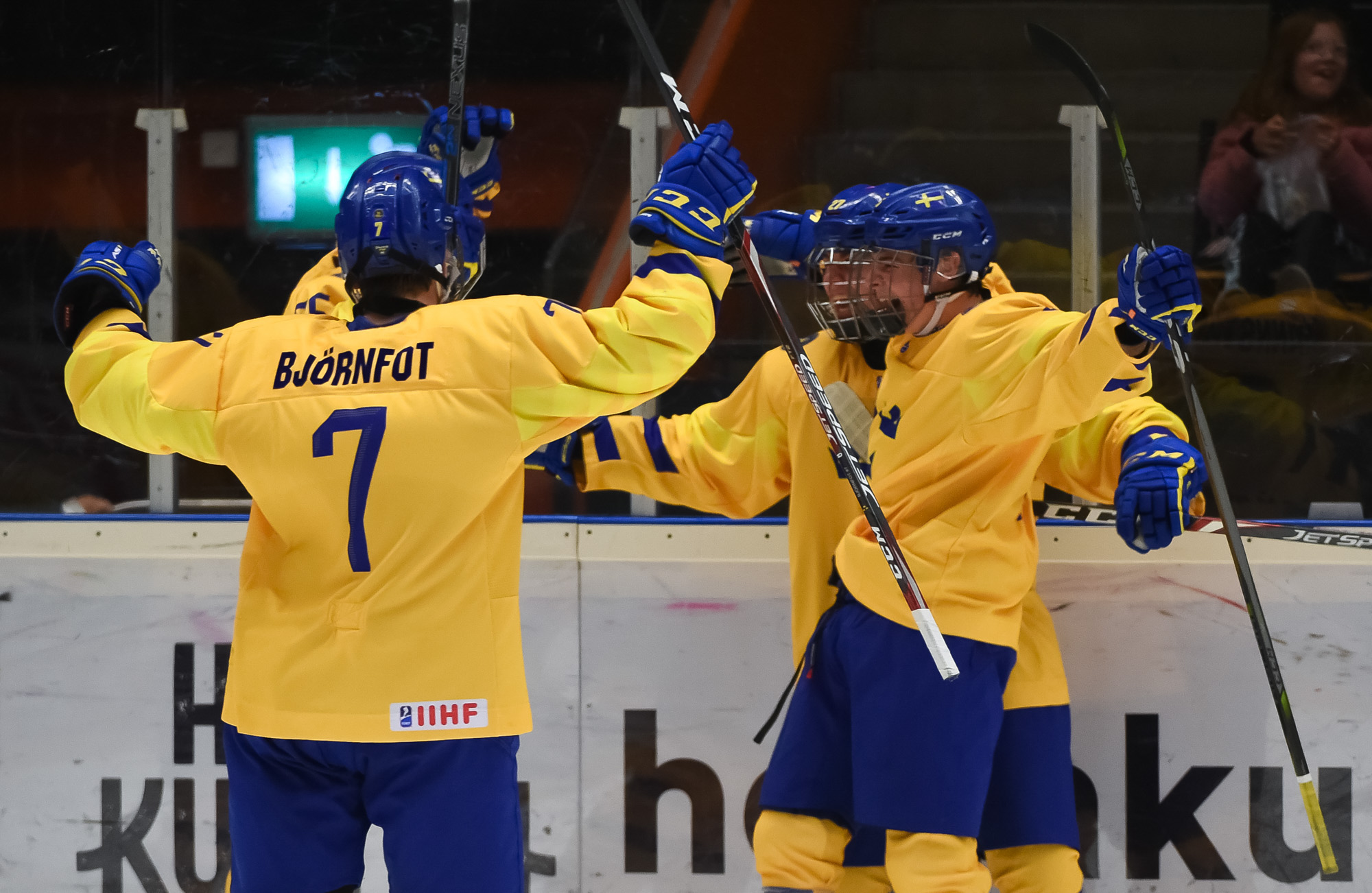 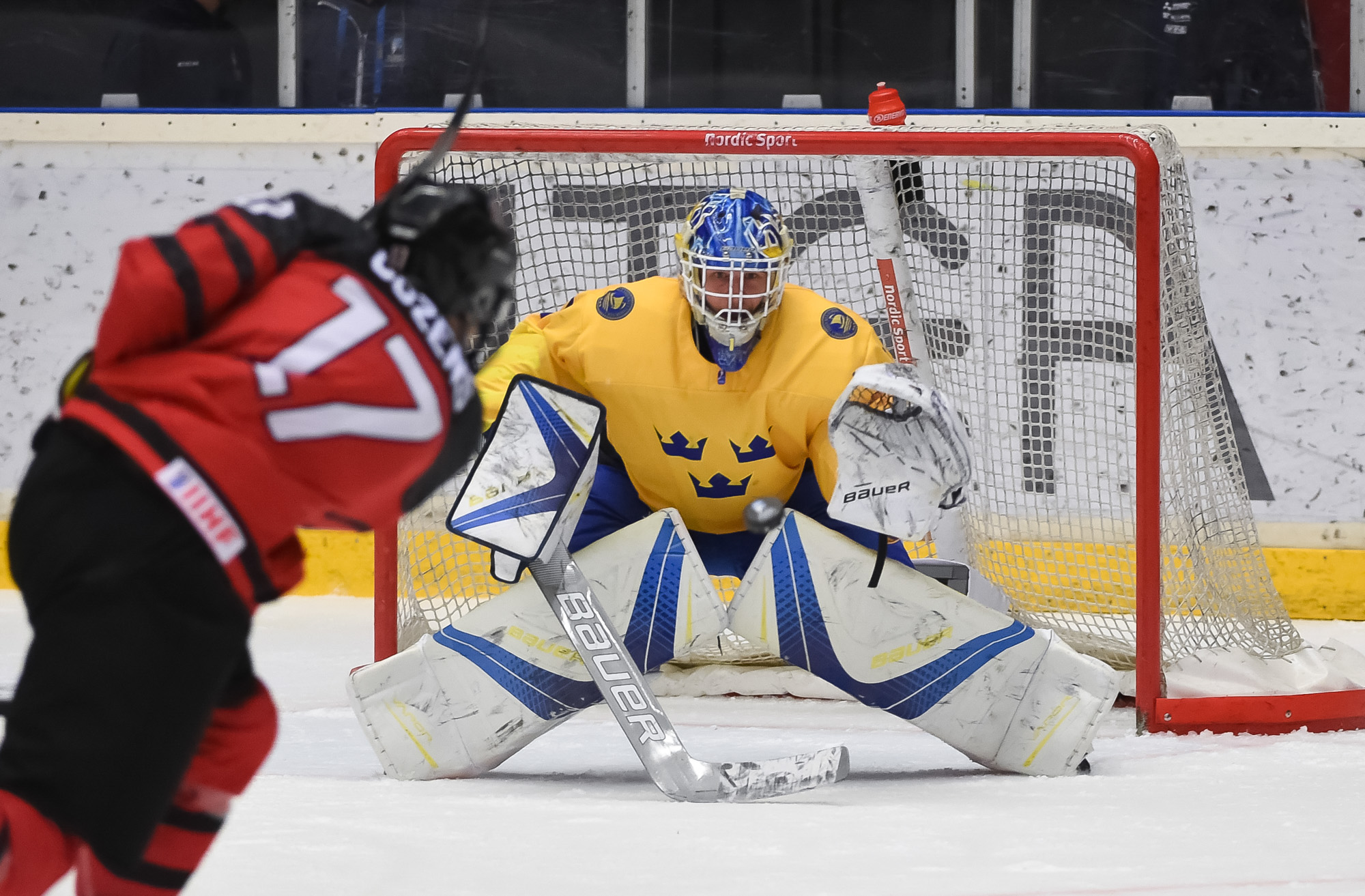 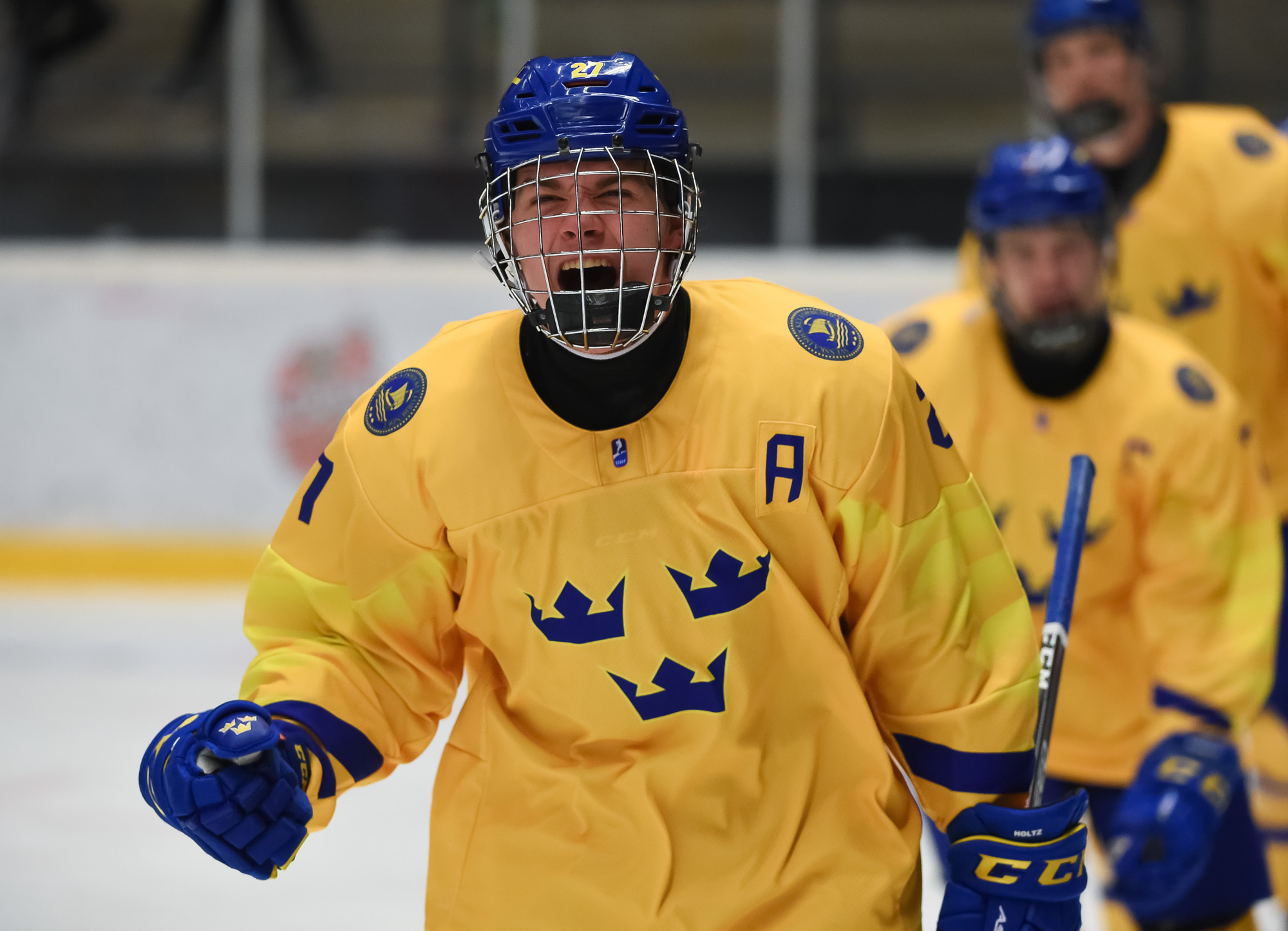 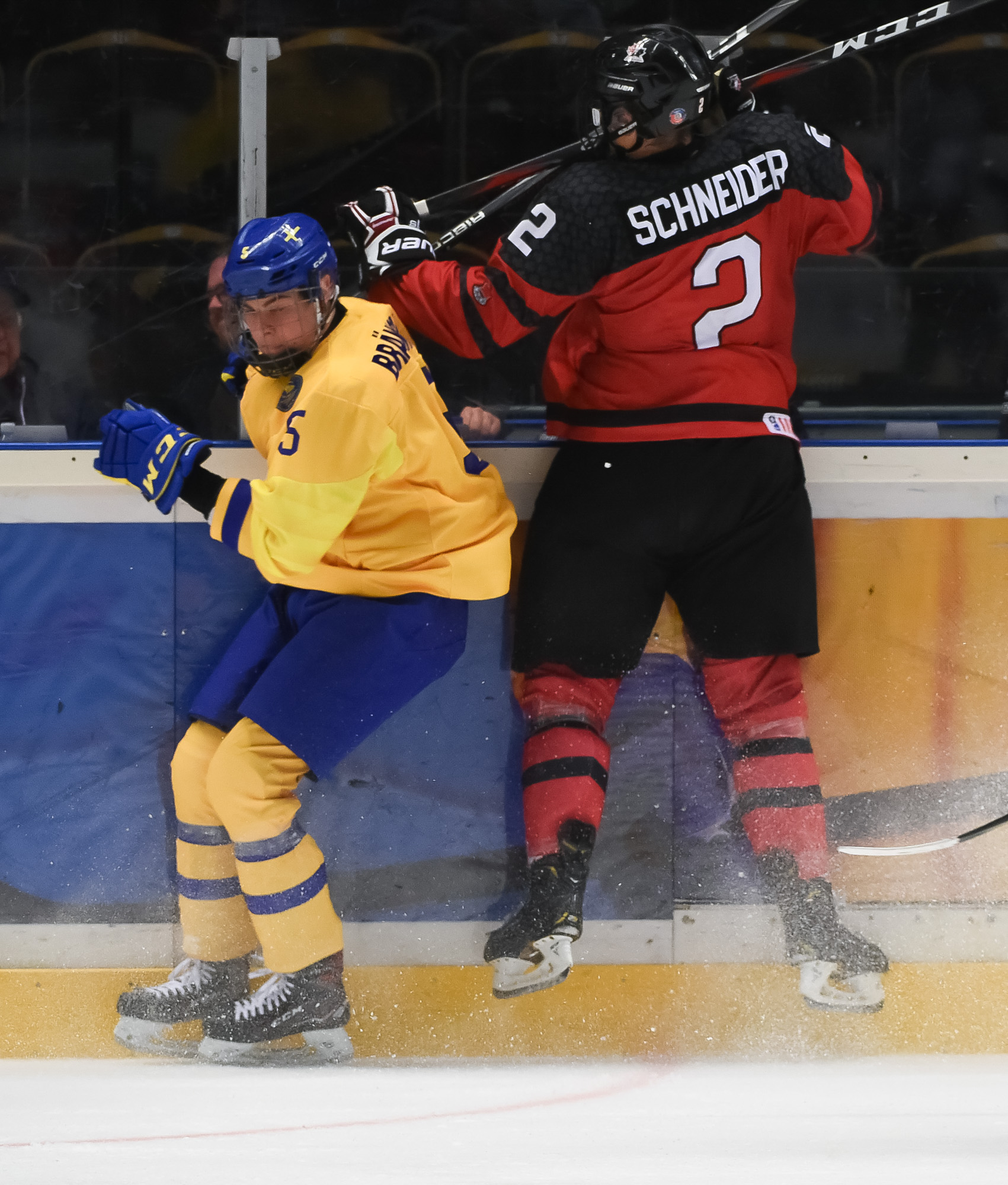 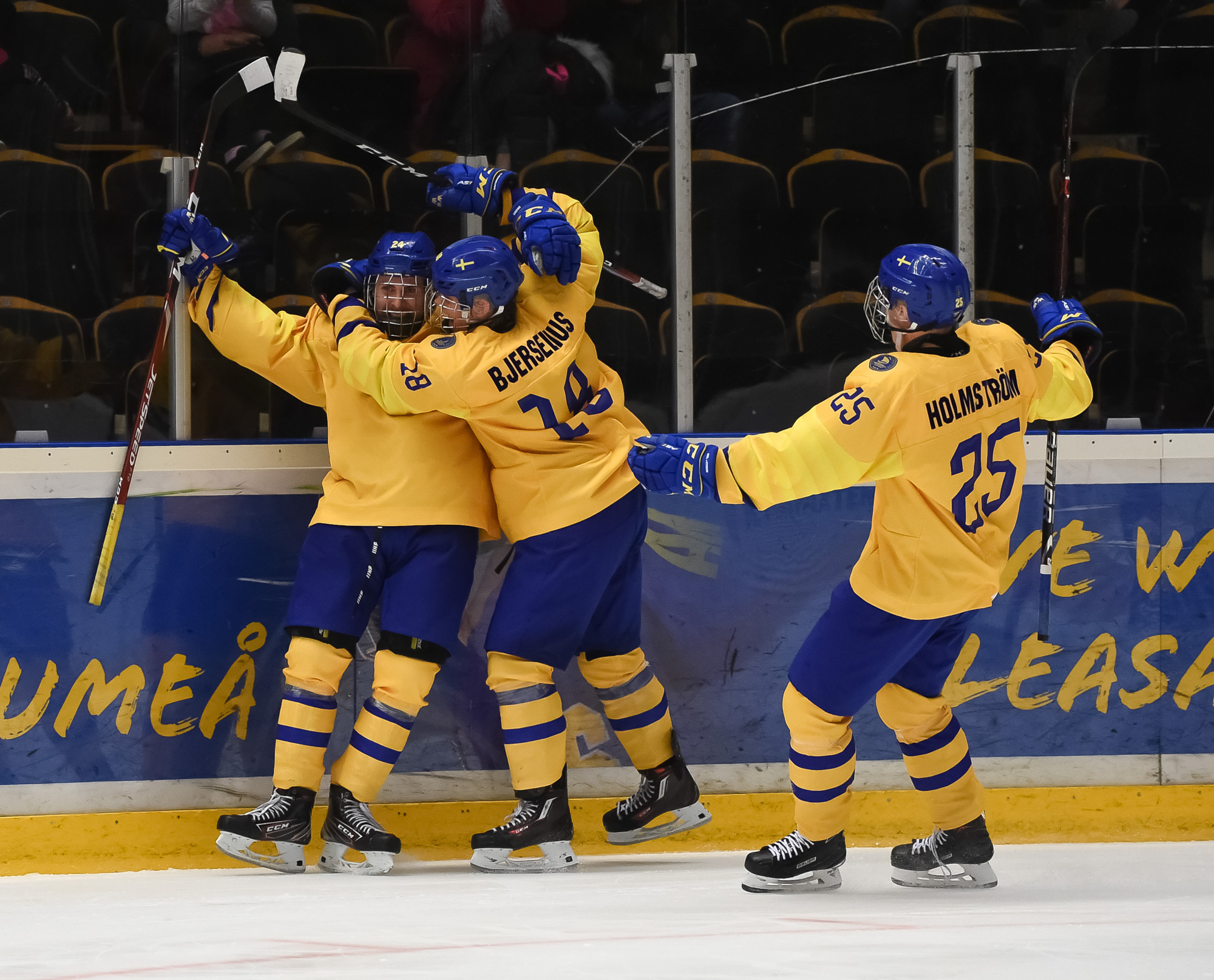 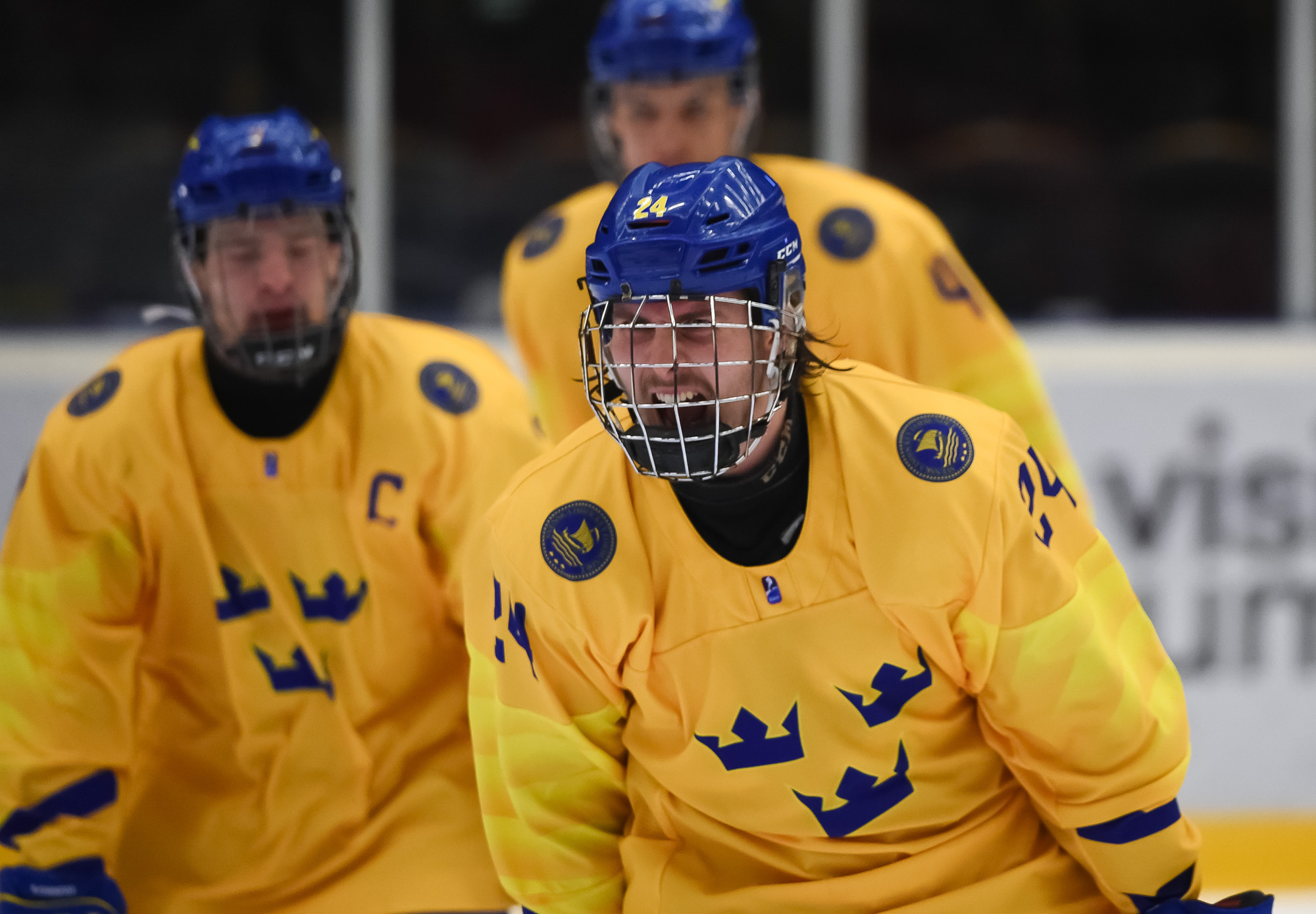 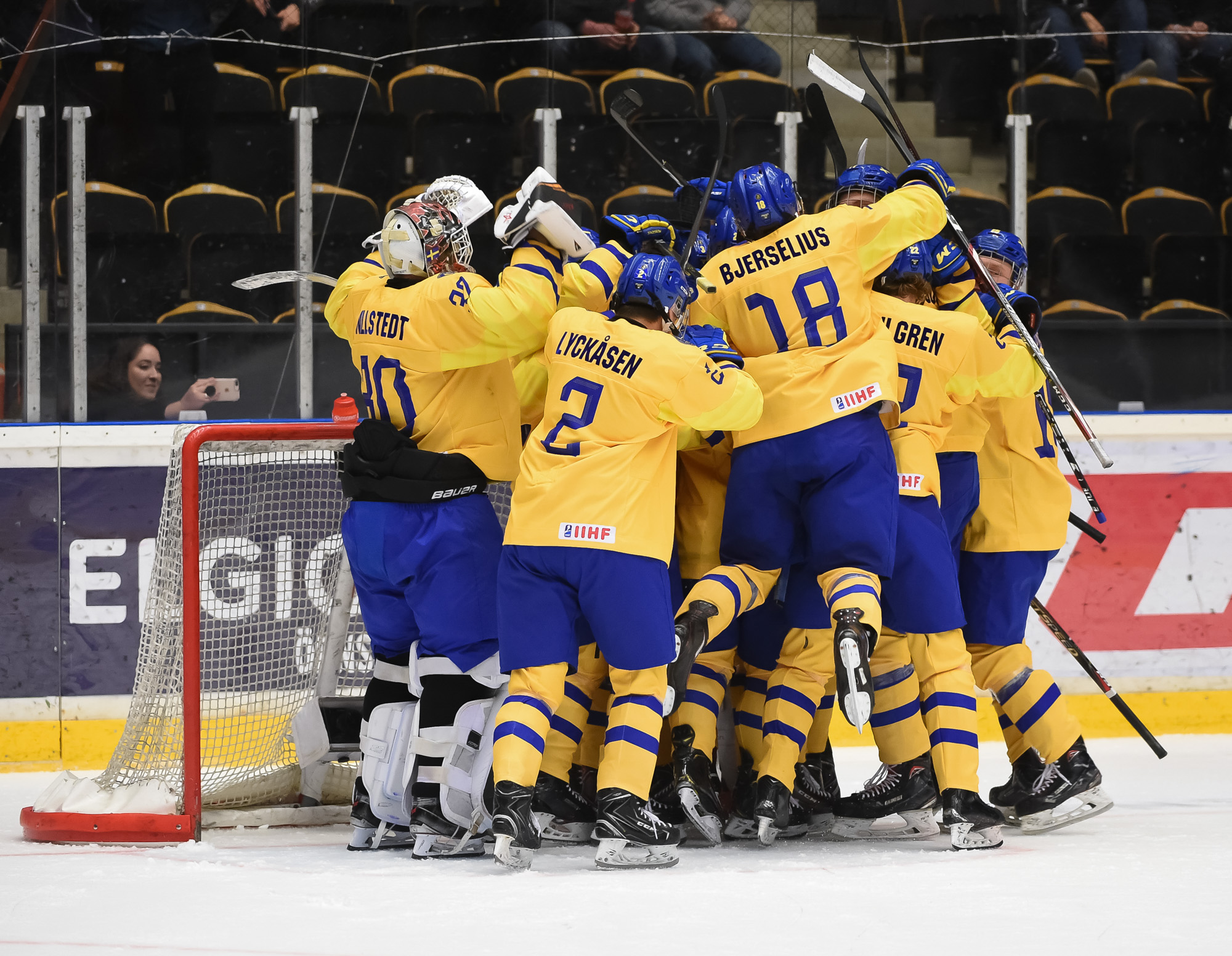 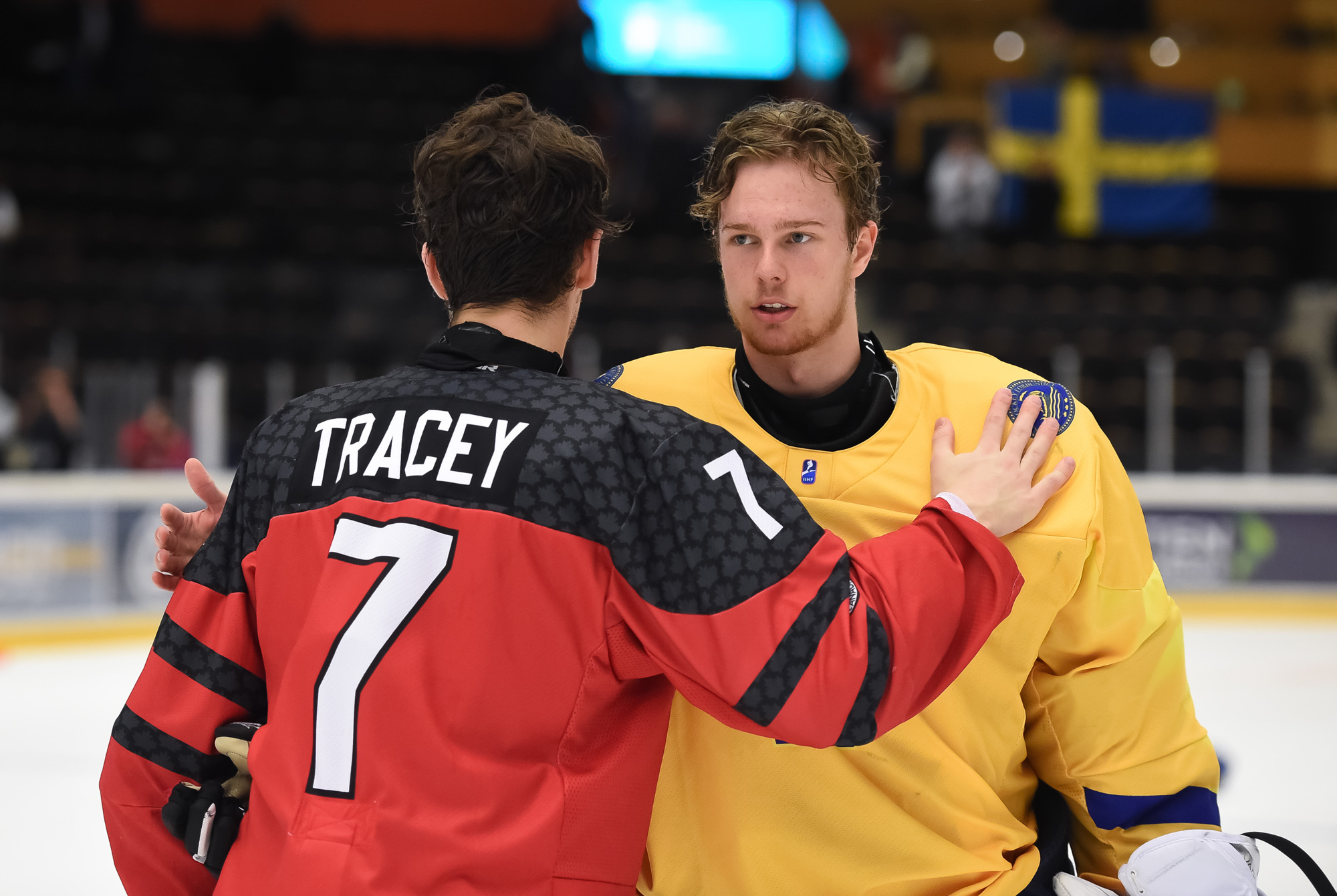