"It’s only a number, but it’s fun," captain Erik Brannstrom. "We’re going to do everything to keep it going."

Emil Bemstrom led the way with a pair of goals, and Lucas Elvenes and Isac Lundestrom had a goal and an assist apiece for Sweden, which executed efficiently, with just a couple of glitches. Brannstrom also scored his third power play goal of the tournament.

"I think we did a good game," said Elvenes. "I think they were just out there for messing up our game. They know that we’re a better opponent than them. We played good. So we’ll just keep on going with that."

Adam Liska and Milos Fafrak replied for Slovakia, which has lost two consecutive games."Overall we need a better start," said third-time World Junior participant Adam Ruzicka. "We need to start the game faster and put pucks to the net. We have to shoot the puck a lot more."

After the teams traded unfruitful first-period power plays, Elvenes opened the scoring at 11:42 on the rush. He blitzed into the right faceoff circle and zipped one over the Slovak goalie’s glove from the hash marks. It was the first goal of the tournament for the 19-year-old World Junior rookie, who has eight assists but no goals with the SHL’s Rogle BK this season.

"It was nice to take that zero away from the goals category!" said Elvenes.

Just 2:01 later, Liska tied it up for Slovakia on the power play. The KHL forward from Slovan Bratislava had time to cruise deep into the left faceoff circle and thread the needle over Ersson’s shoulder on the short side.

Sweden retook the lead at 16:12 when Bemstrom lifted a rebound over Sklenar in a goalmouth scramble.

Employing patient power play pressure, the Swedes took a two-goal lead at 6:40 of the second period. They worked it around the Slovak zone and Elvenes hesitated before sliding it cross-ice to Bemstrom, who whipped into the empty side. Bemstrom, 19, is currently the leading goal-scorer for the SHL's Djurgarden (12 goals).

At 5:09 of the third period, Brannstrom hammered one past Sklenar with the man advantage to make it 4-1.

"He’s great," Elvenes said of Brannstrom, a fellow Vegas Golden Knights pick. "I always love watching him play. He’s outstanding. He’s the best player on the team. We played together in Vegas too."

The Slovaks got some unexpected life when Sweden scored an own goal at 8:57. Under a little forechecking pressure in the corner to Ersson's right, forward Filip Sveningsson tried to fire the puck across the front of the net, and it found a gap between the goalie's right skate and the post. The goal was credited unassisted to Slovak forward Milos Fafrak.

Lundestrom averted any danger to Sweden's hopes by grabbing a loose puck in the slot and wiring it home with 7:23 left.

On Saturday, it’s a battle between the 2018 silver and bronze medalists respectively as Sweden takes on the United States. Slovakia has another tough test versus Finland that day.

Of facing the acclaimed Hughes brothers, Elvenes said: "They’re really good players, skilled. So we need to skate with them and make it hard for them."

"We’ve just got to stick to the plan and play our hardest," said Ruzicka. "I hope we’re going to win the Finland game and Kazakhstan game and we’re going to go for third place." 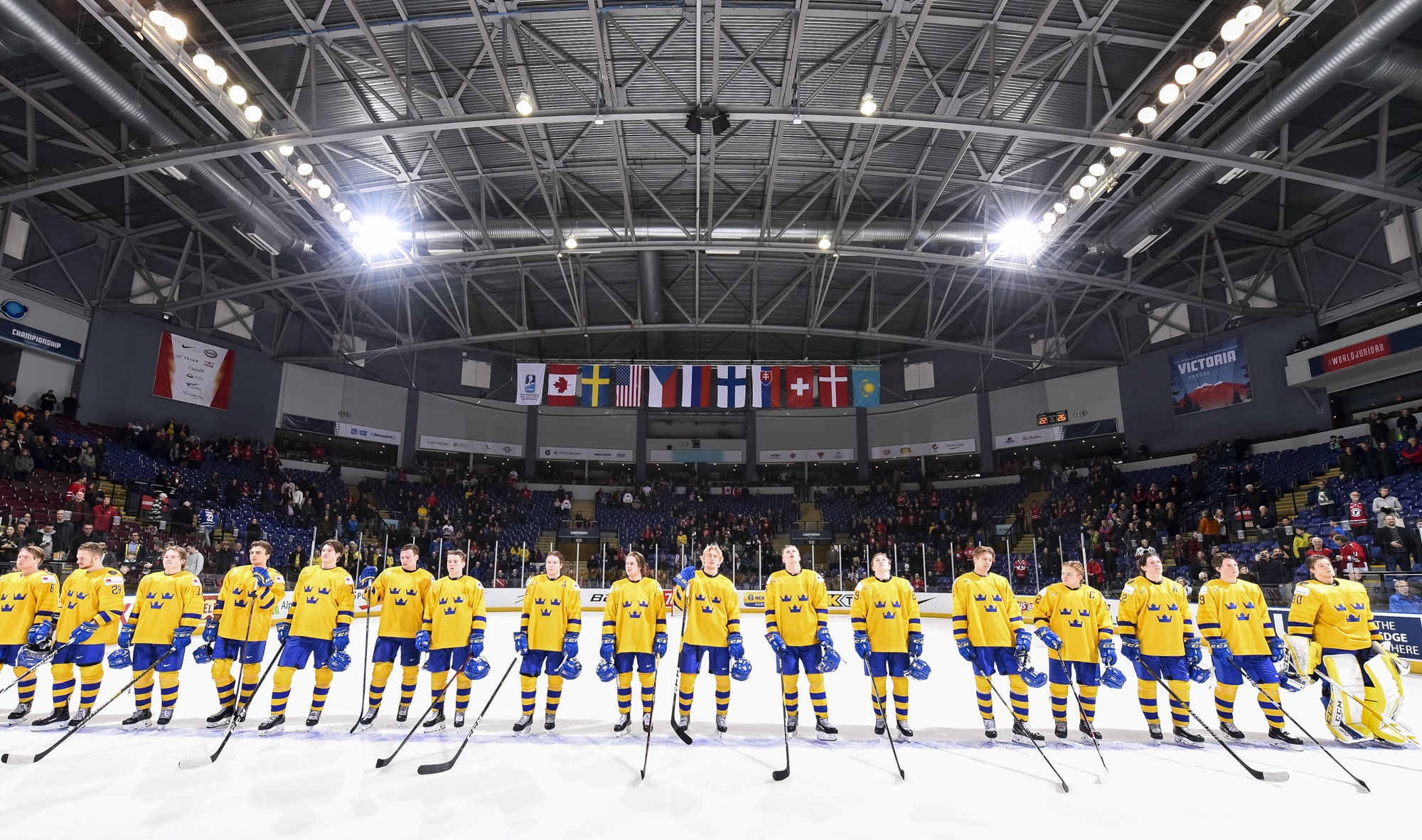 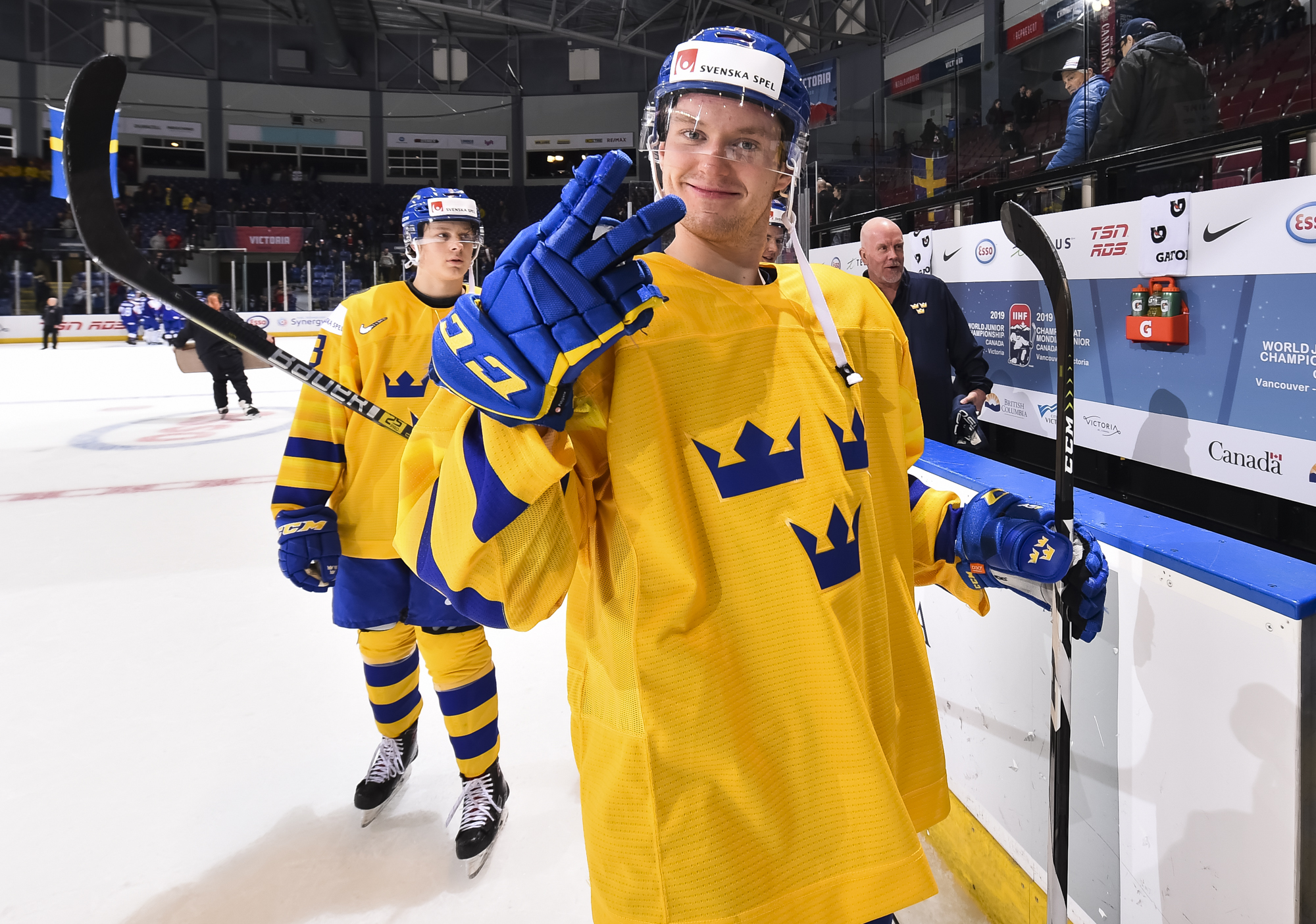 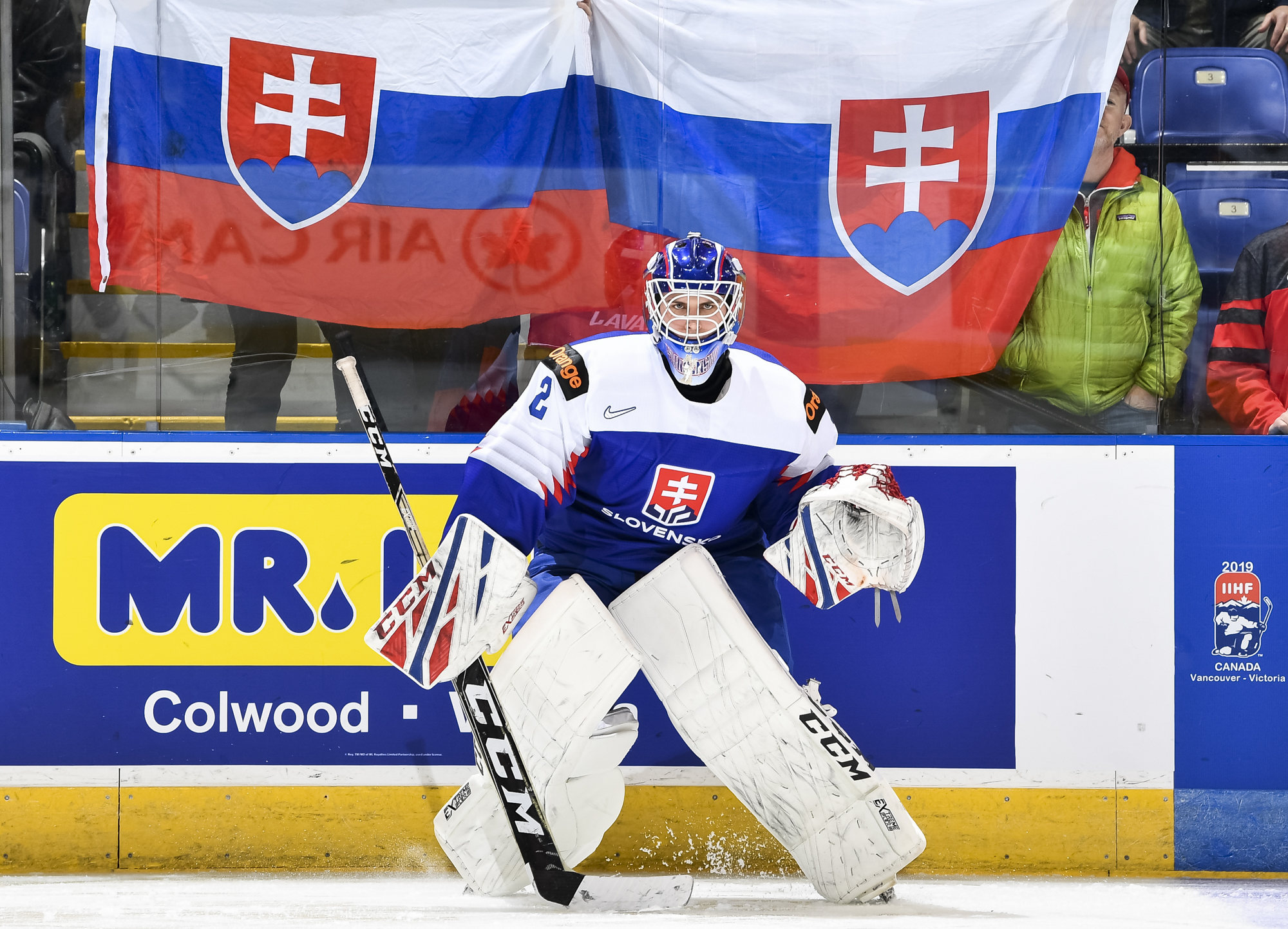 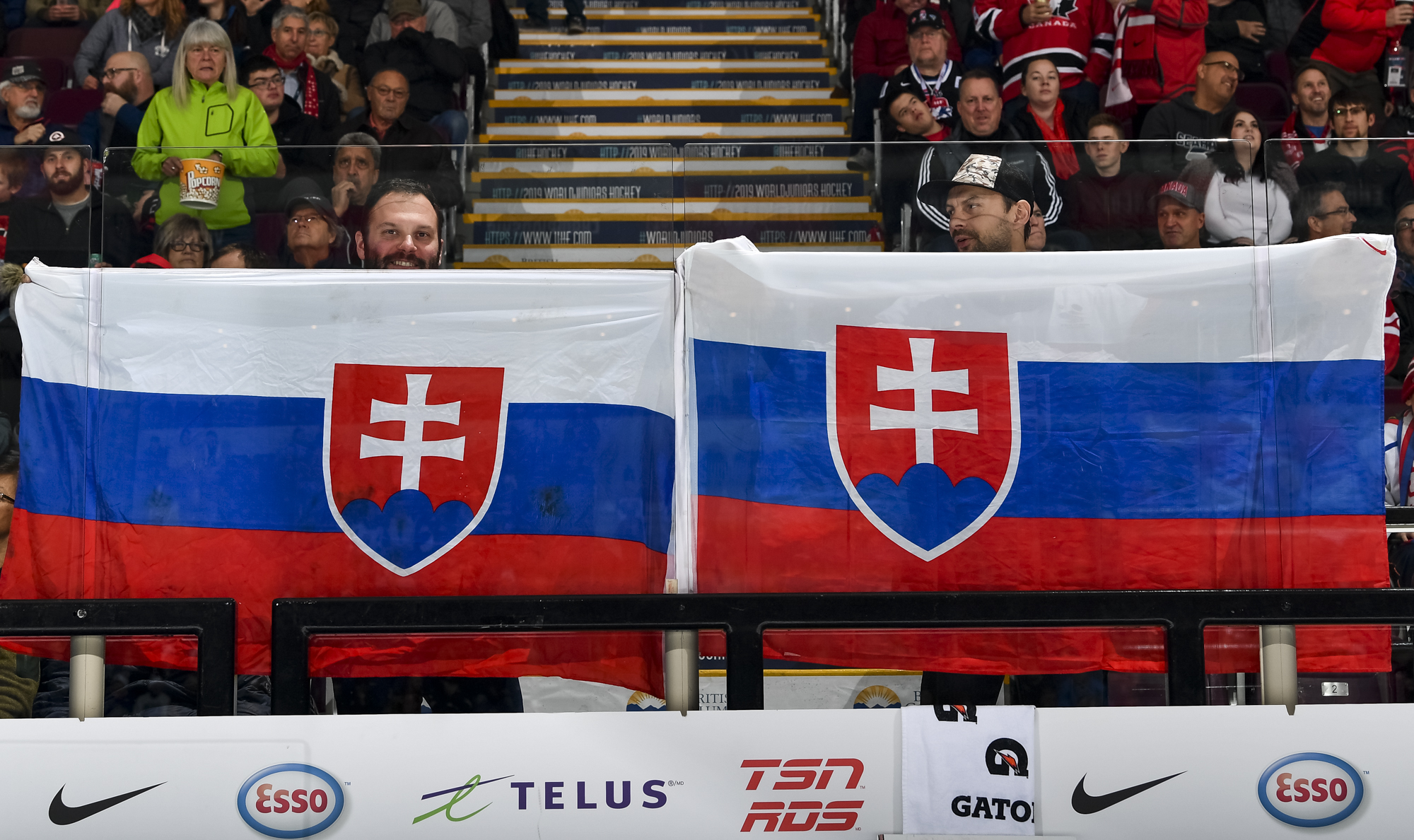 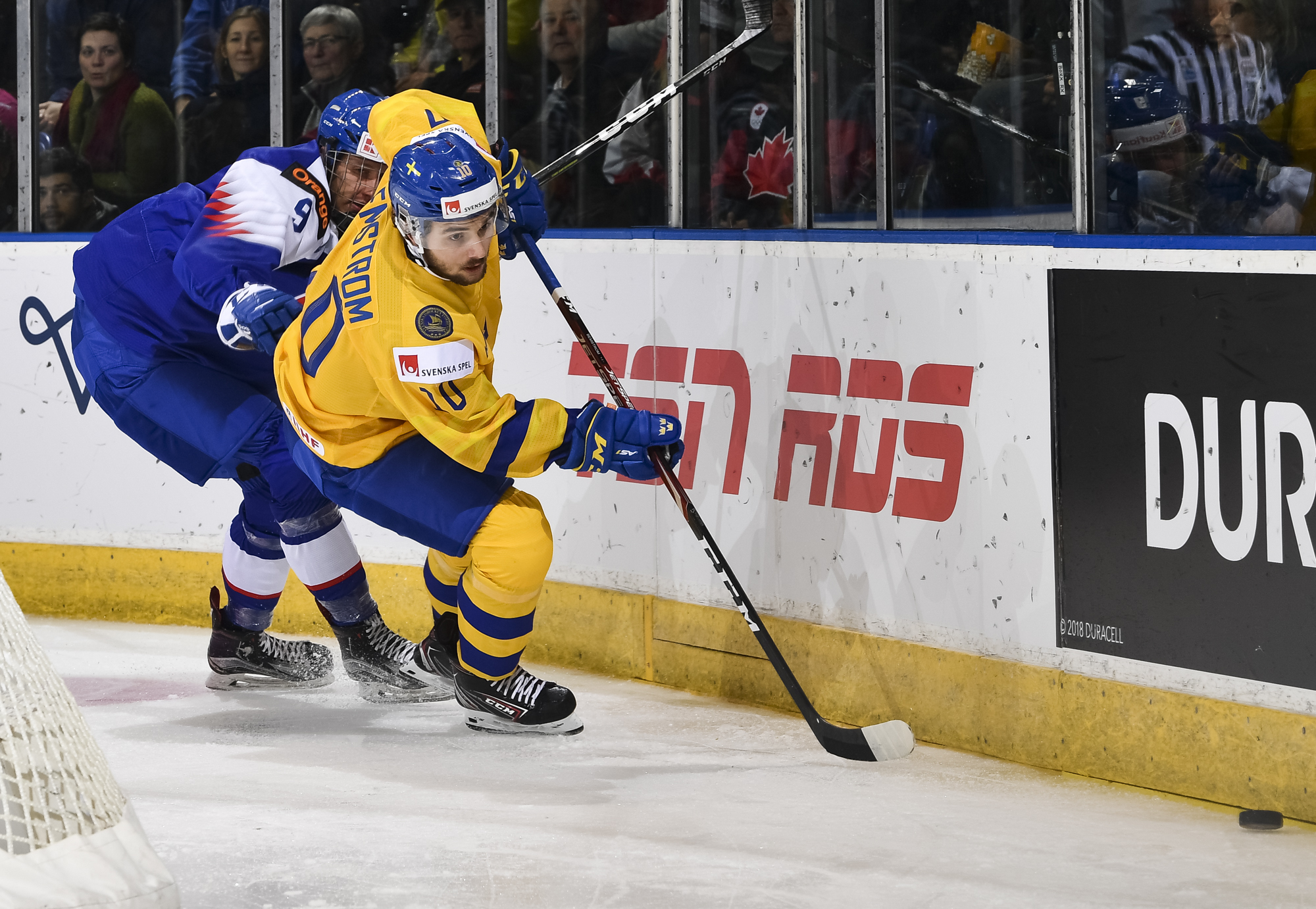 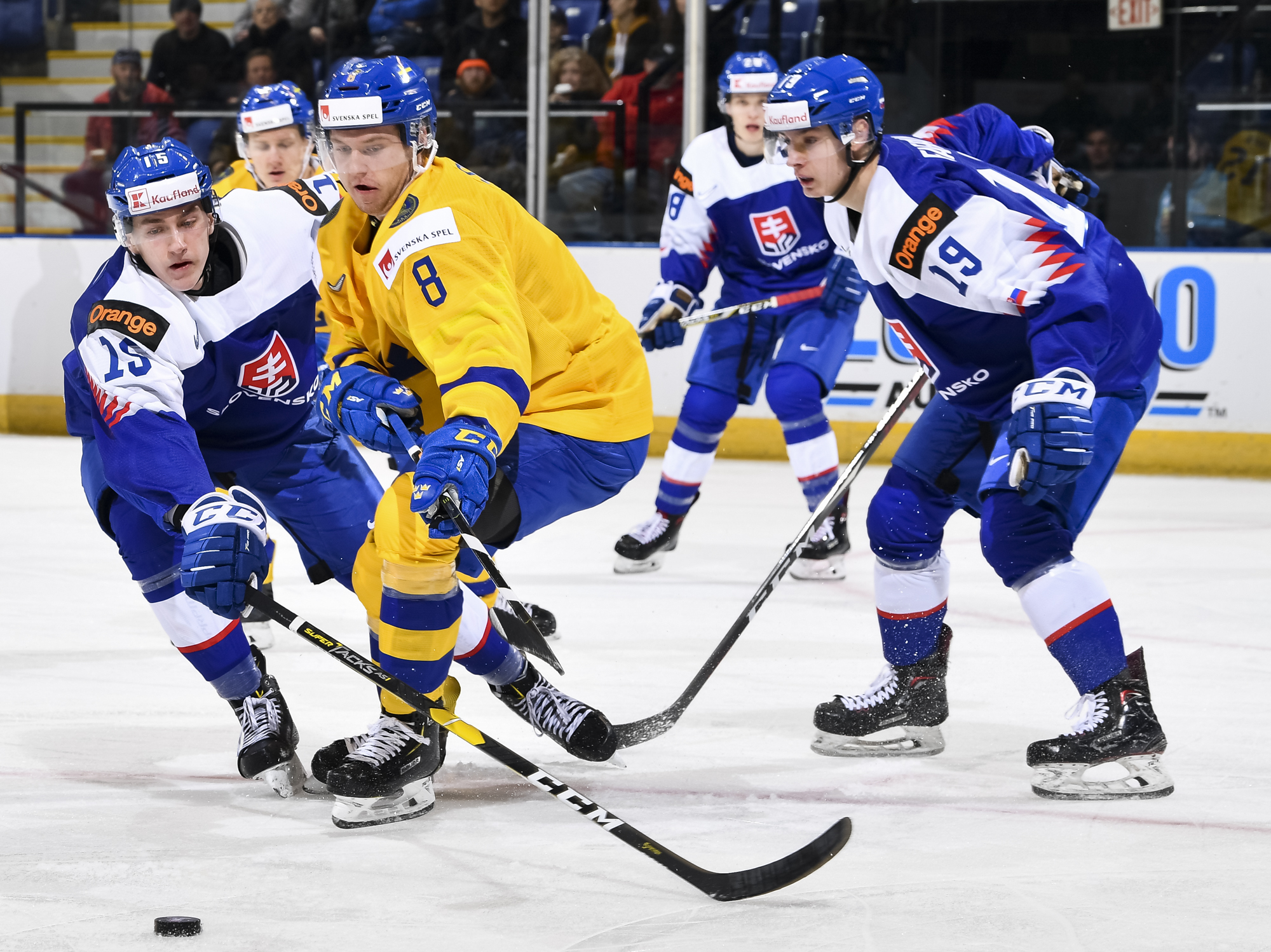 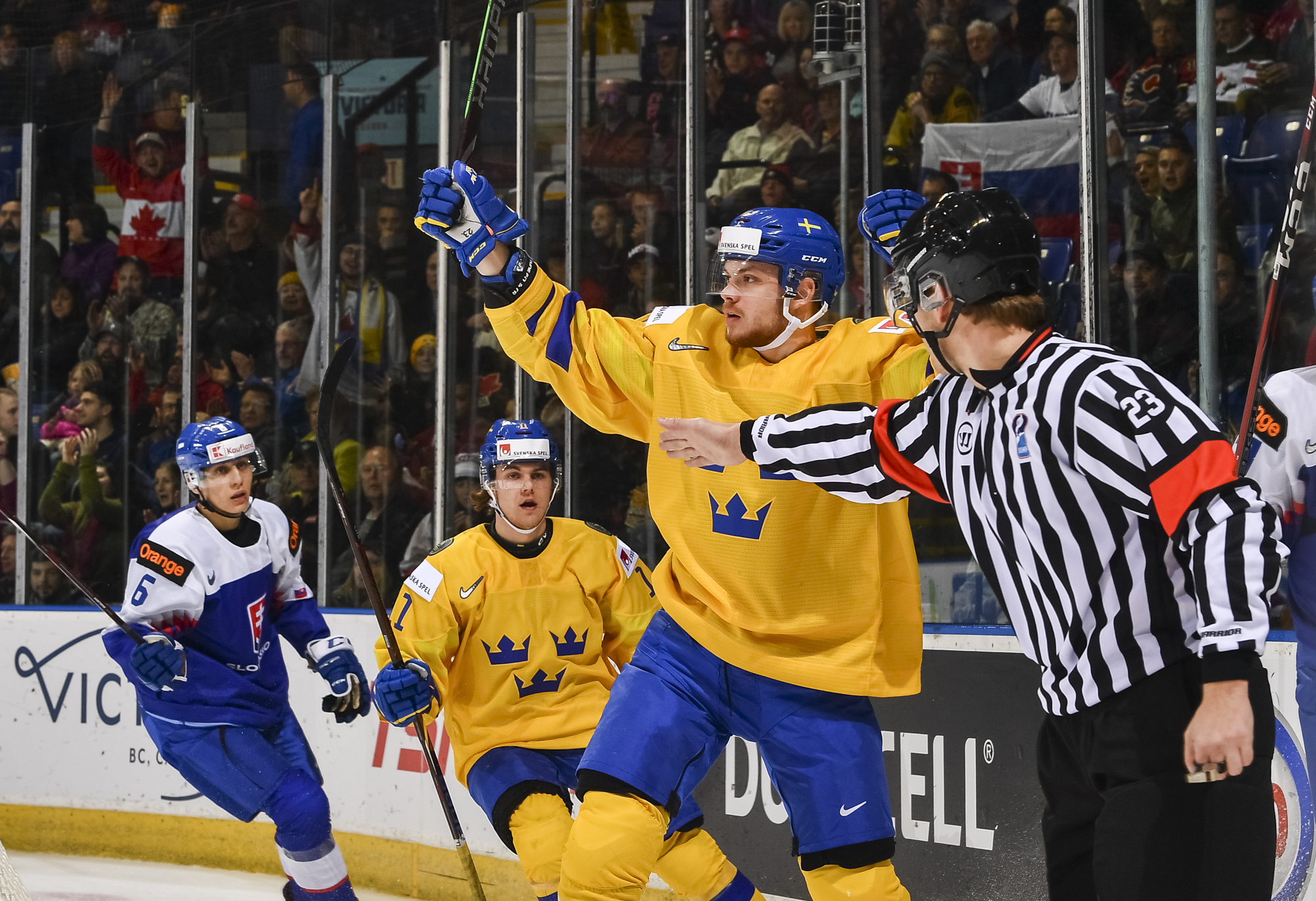 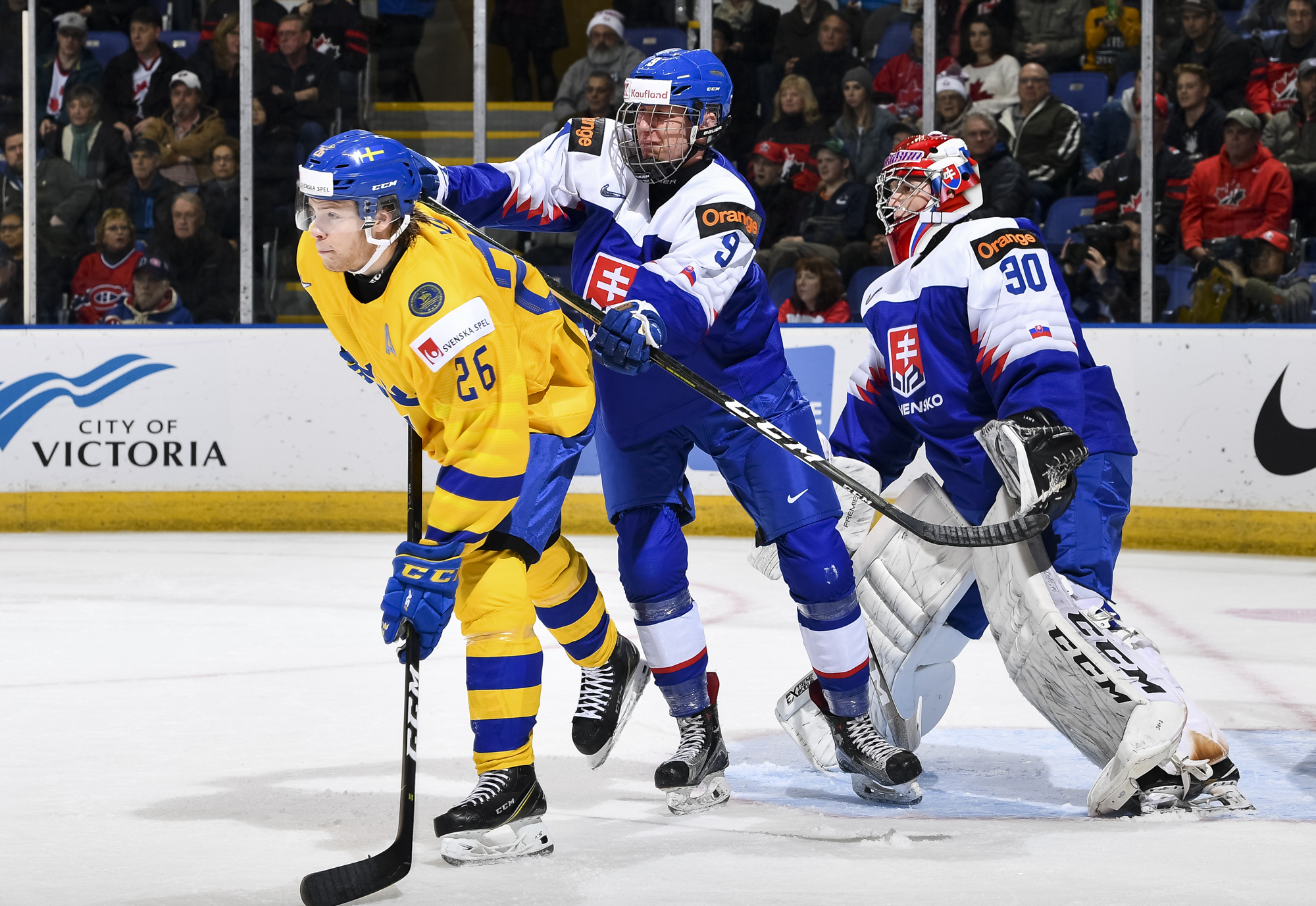 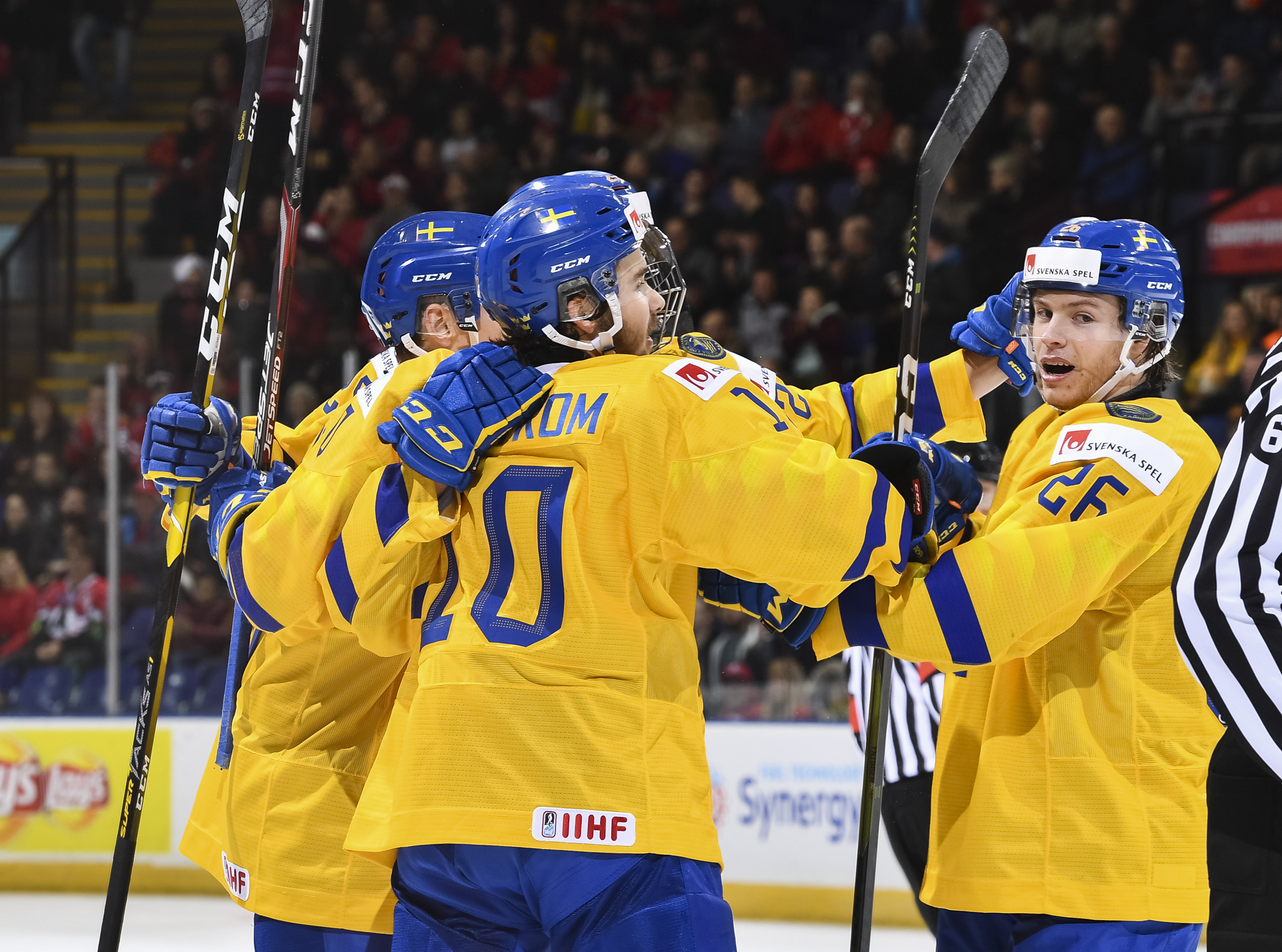 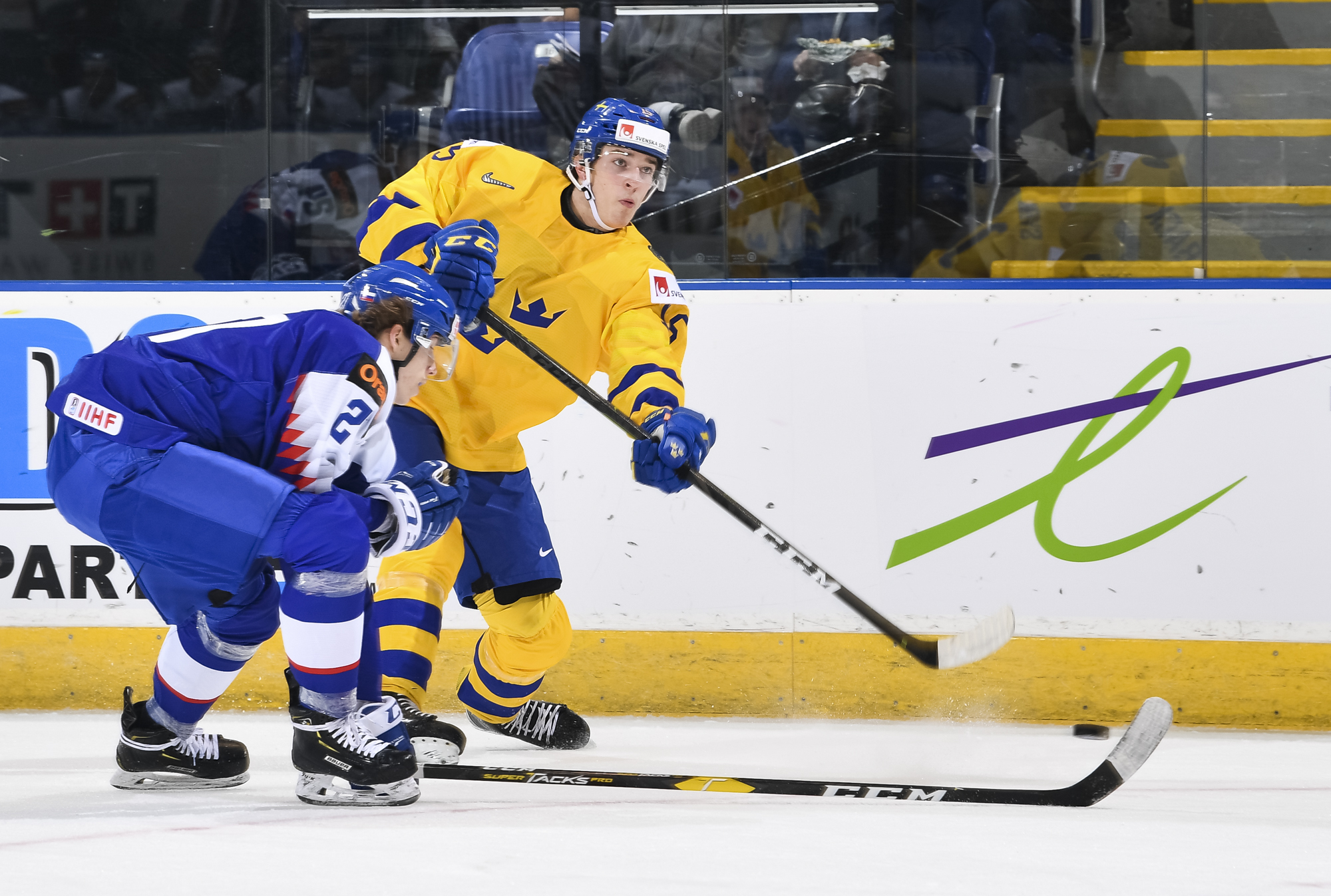 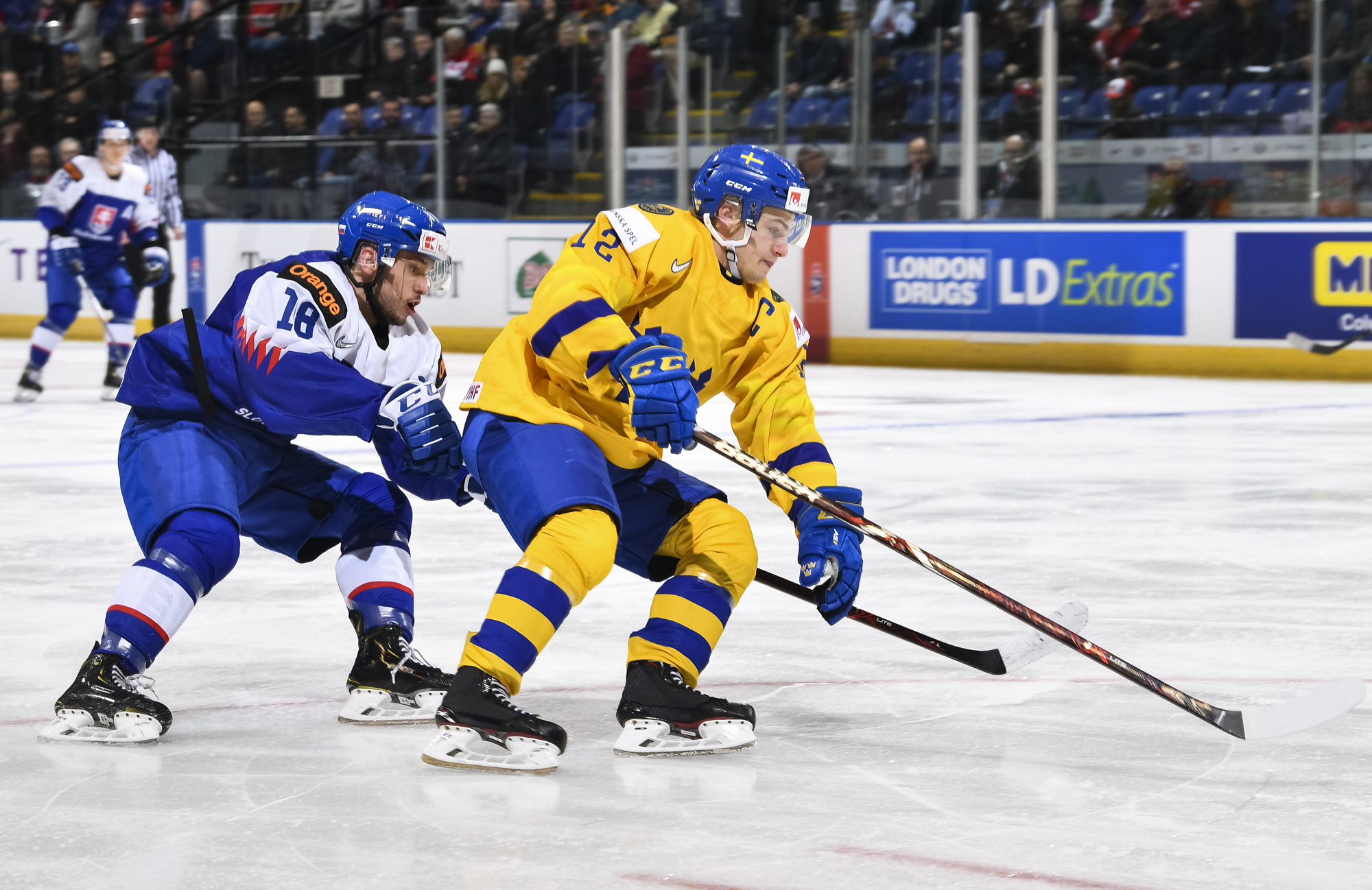 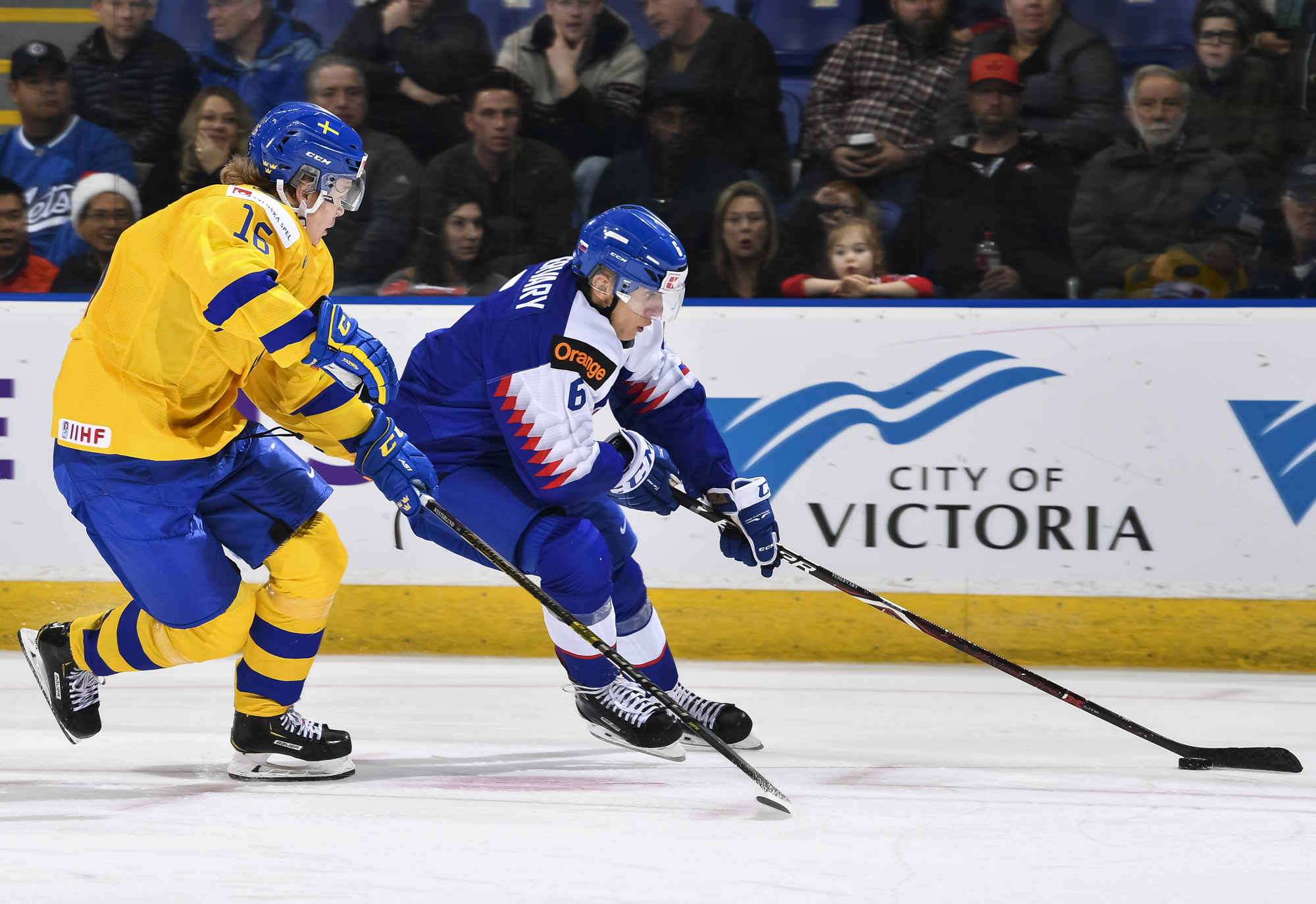 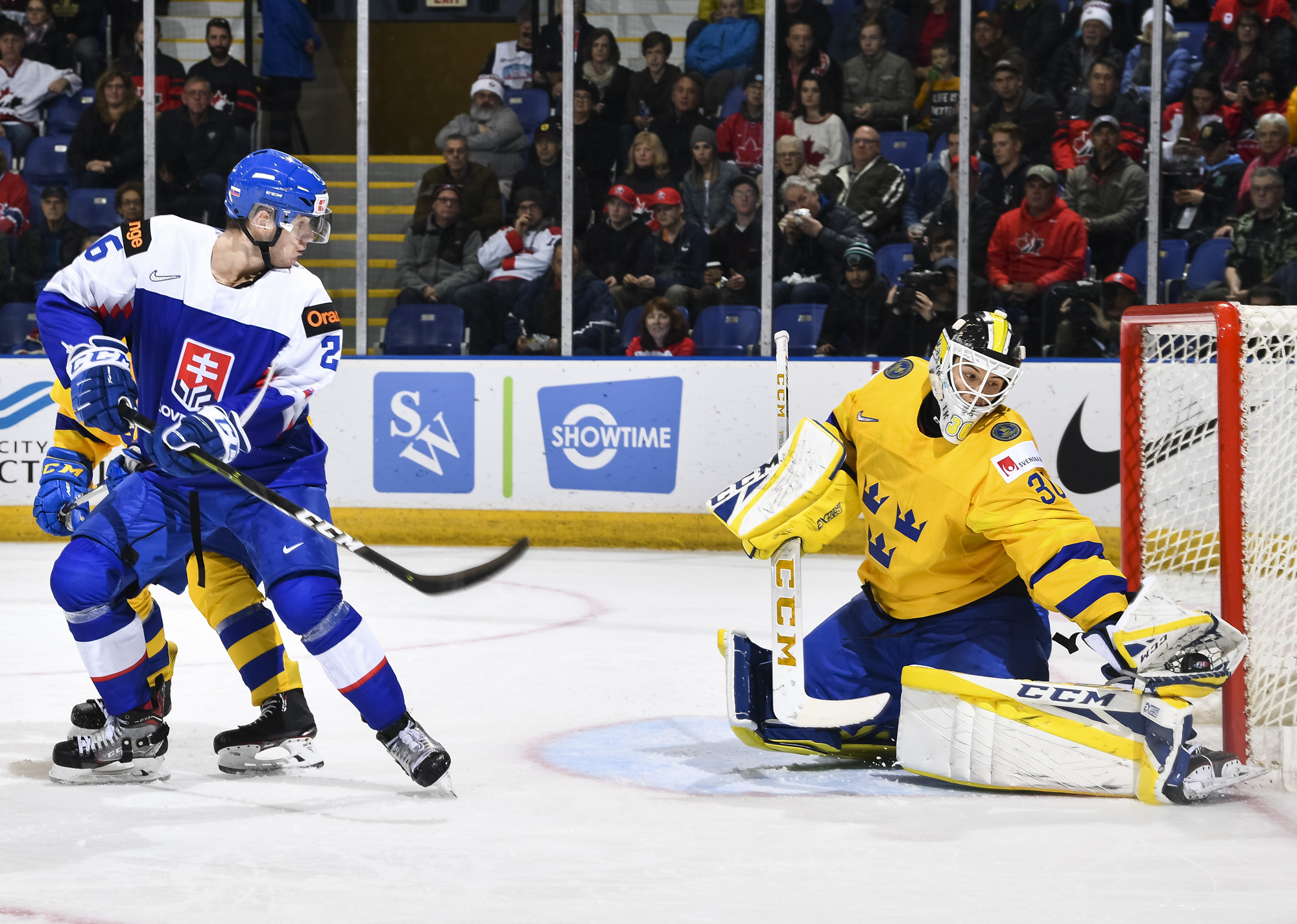 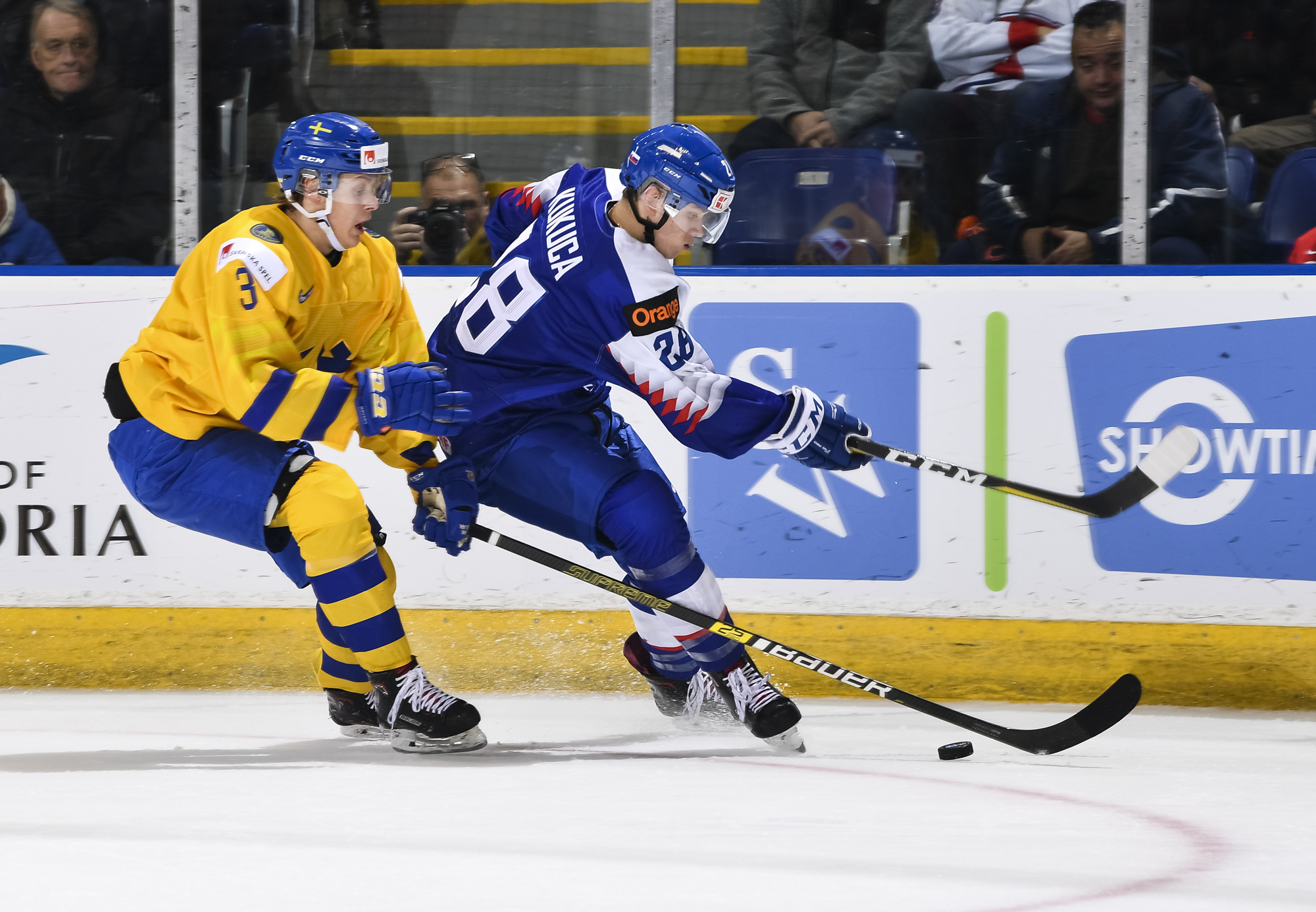 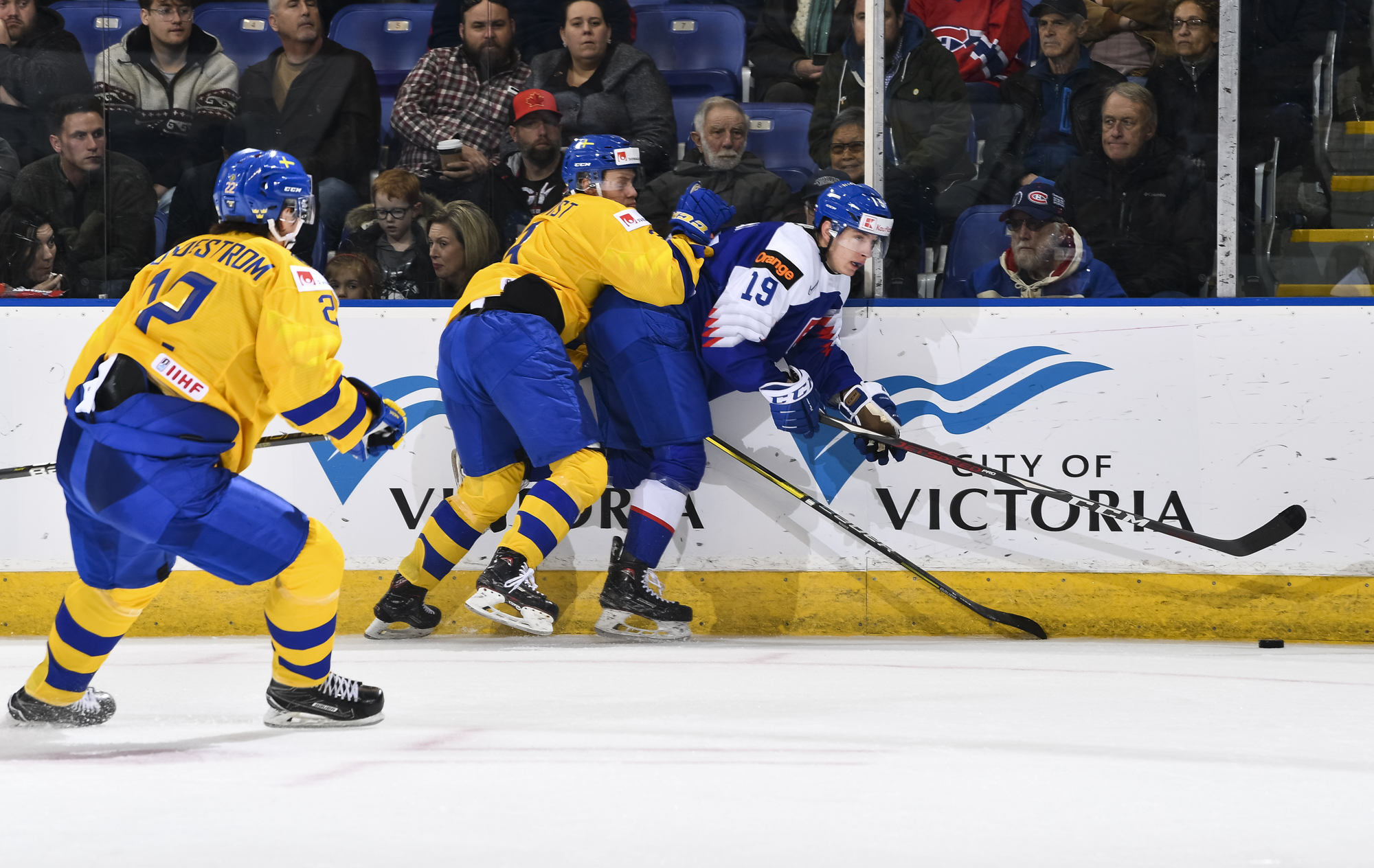 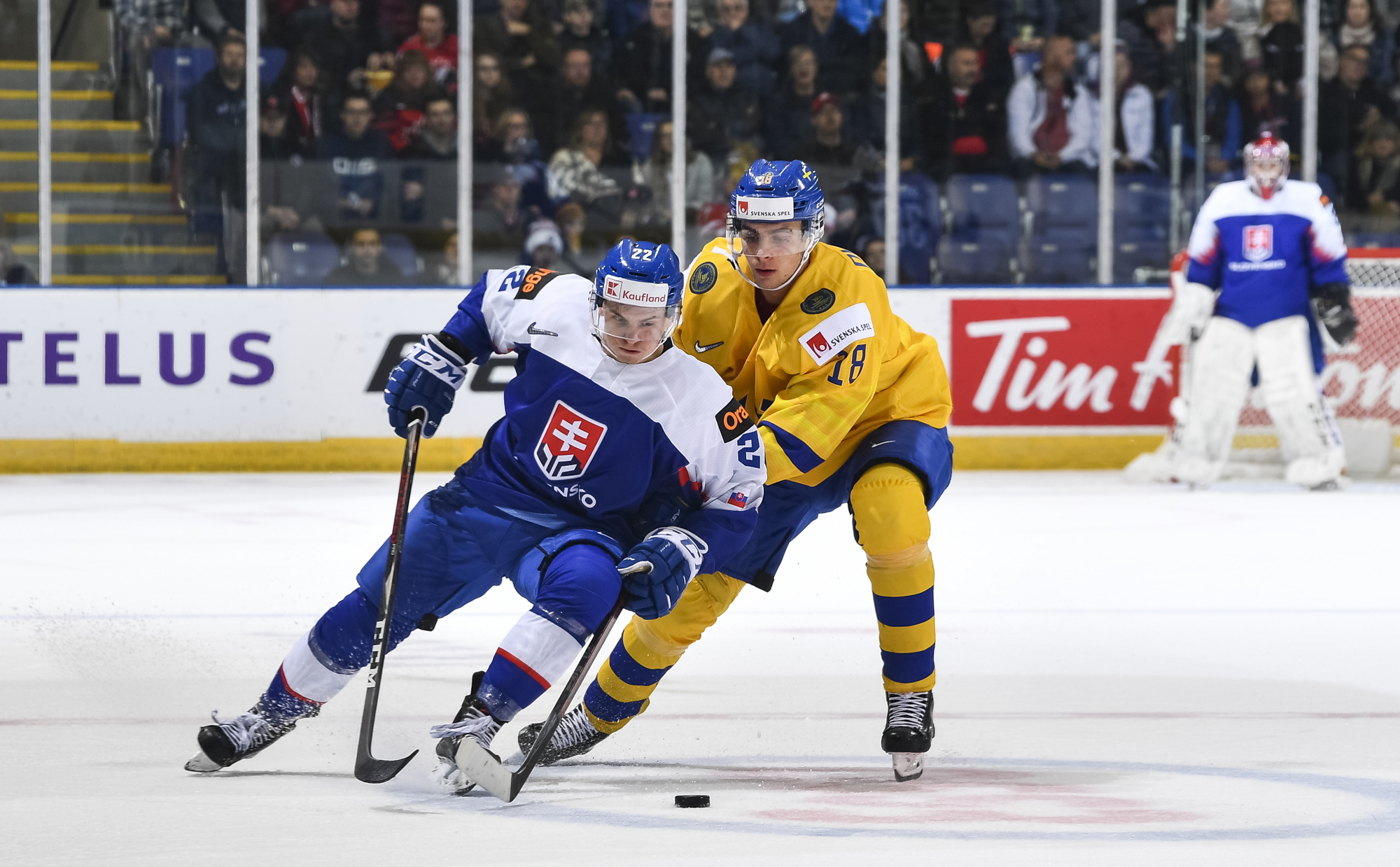 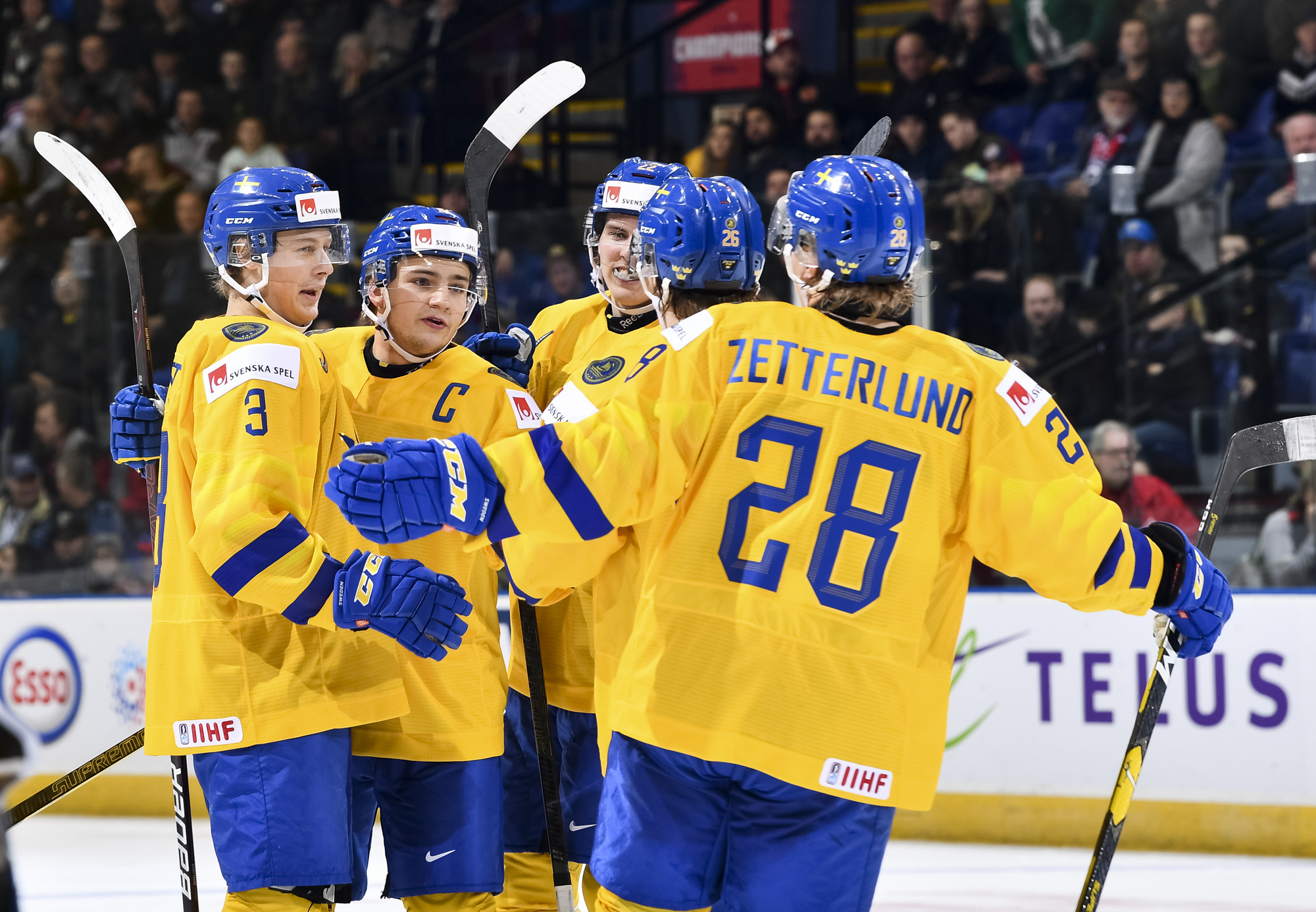 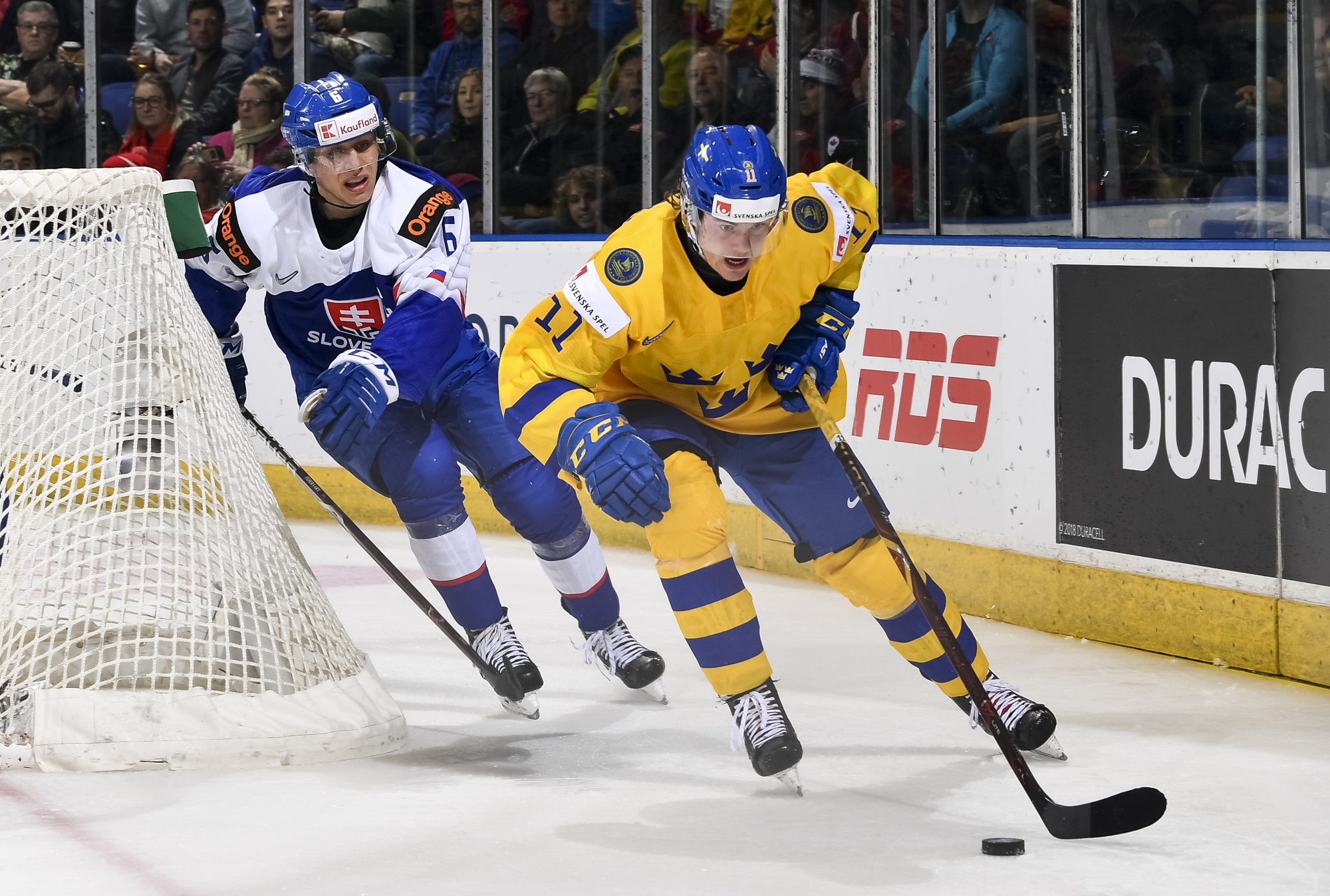 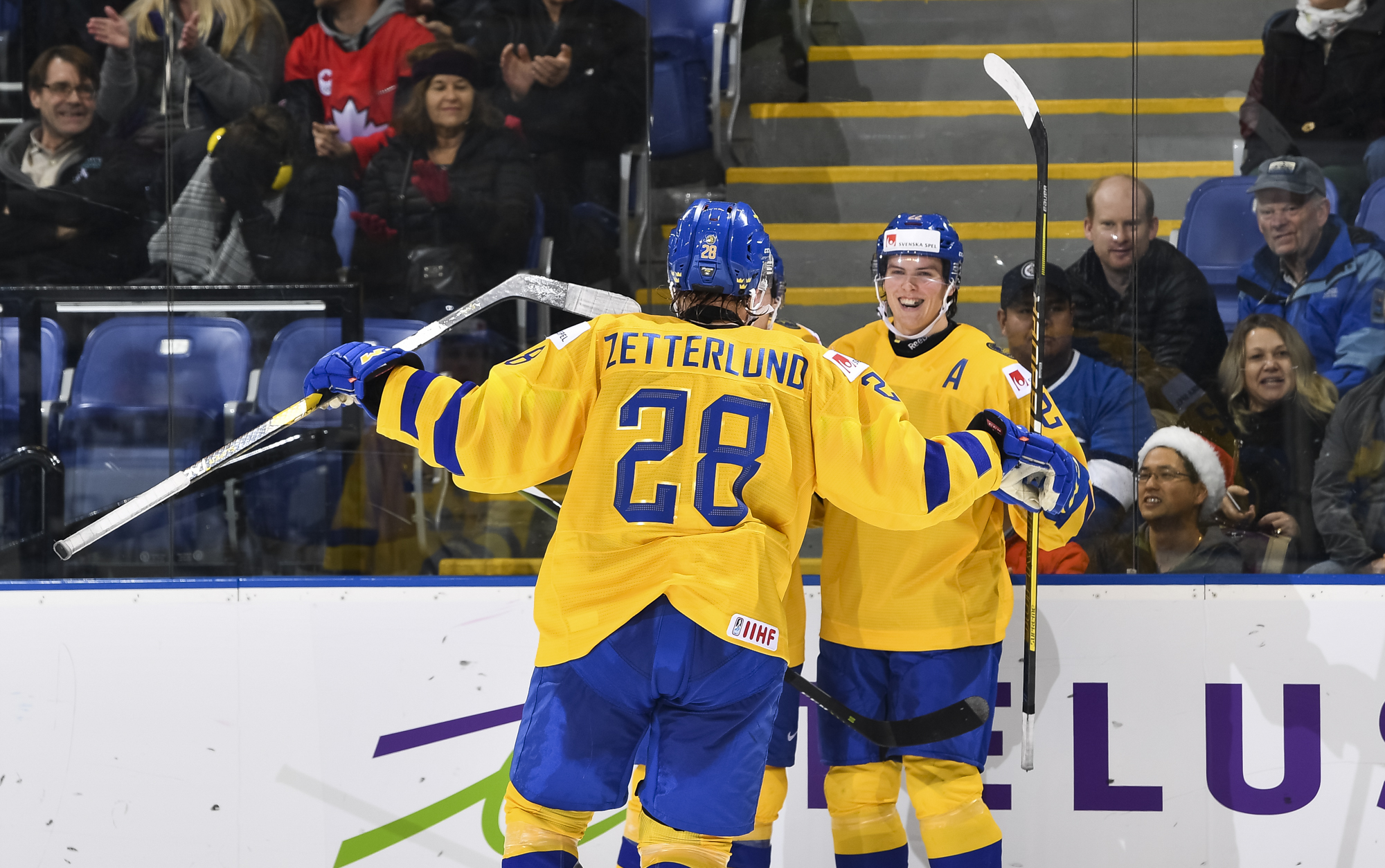 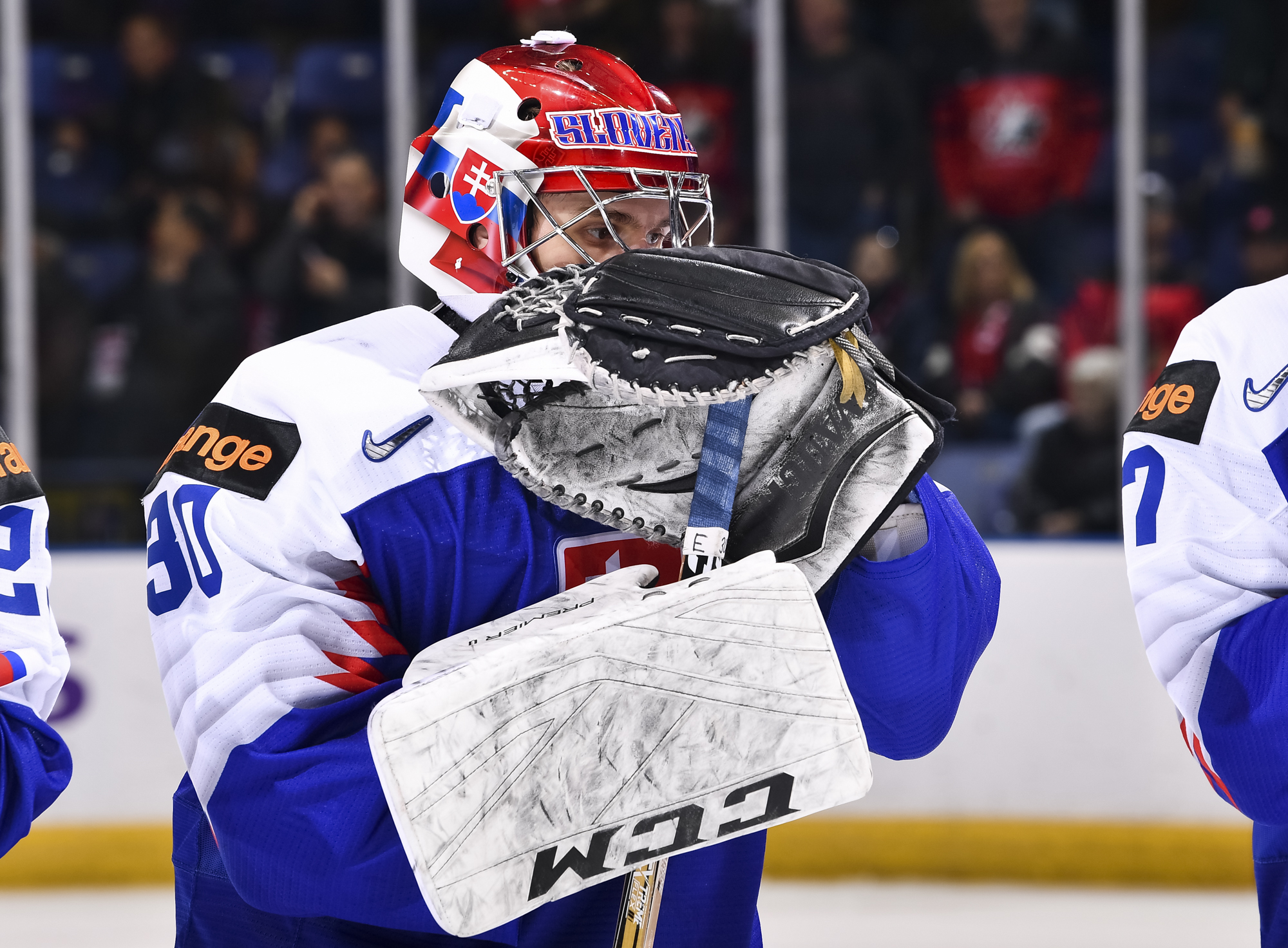 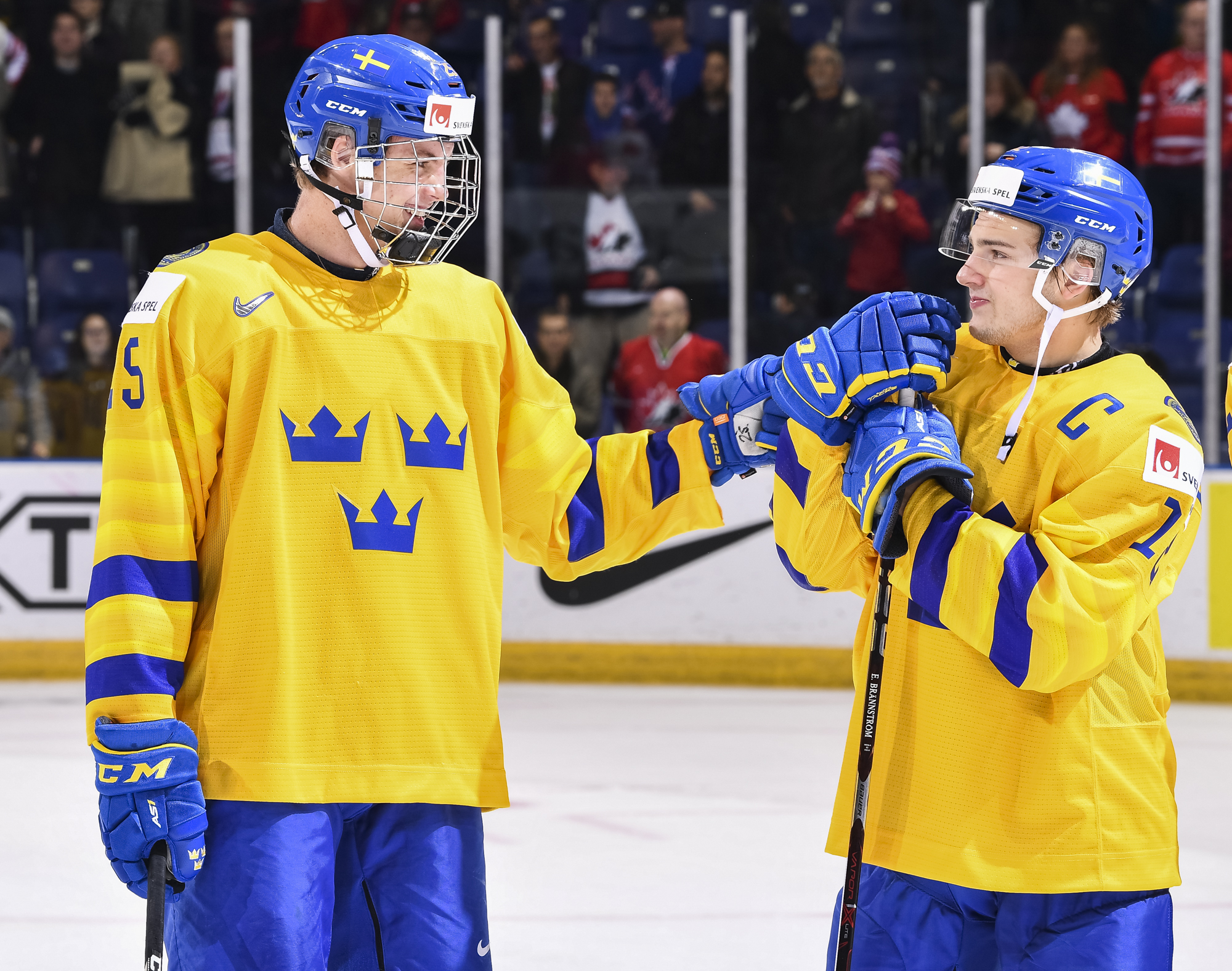 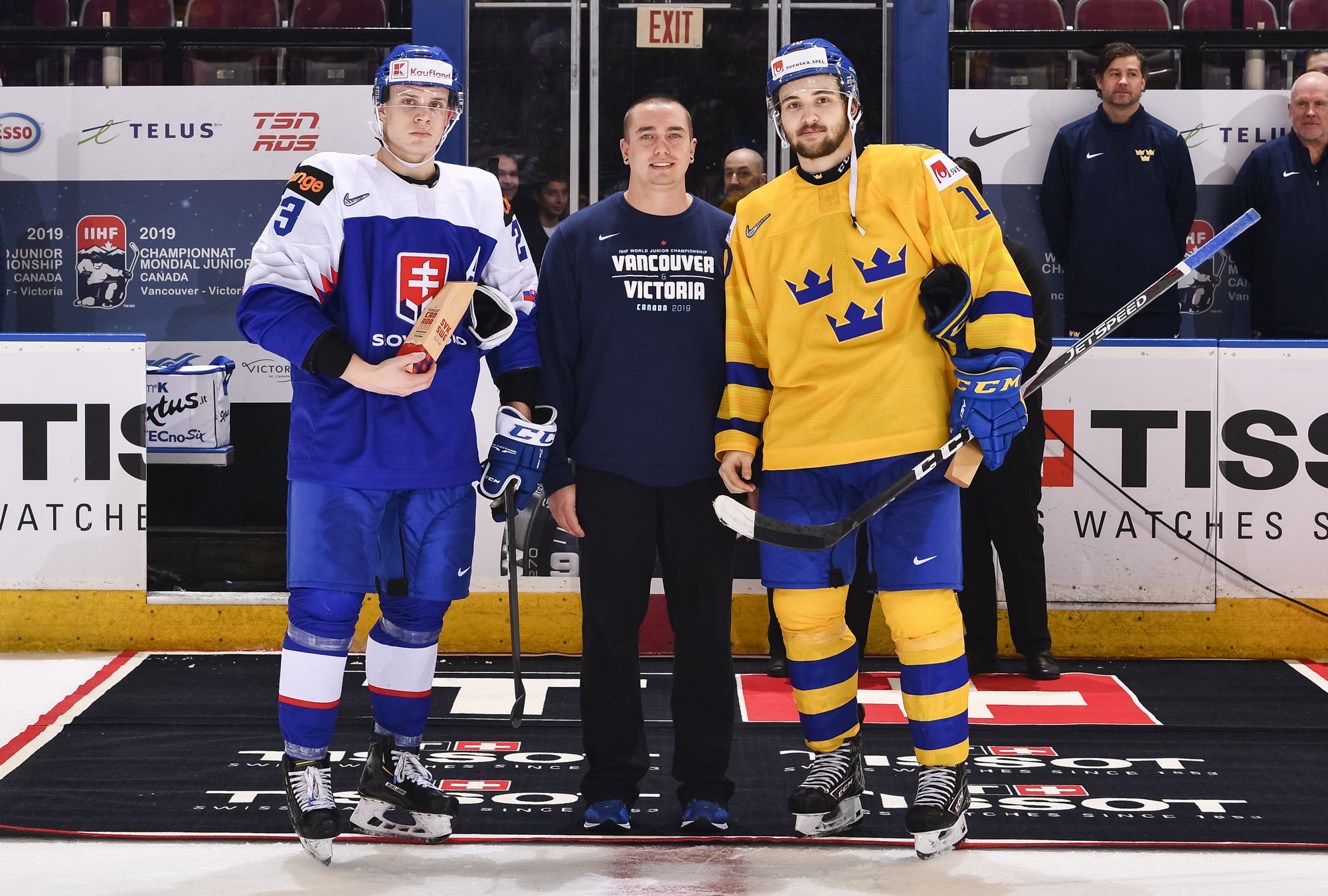 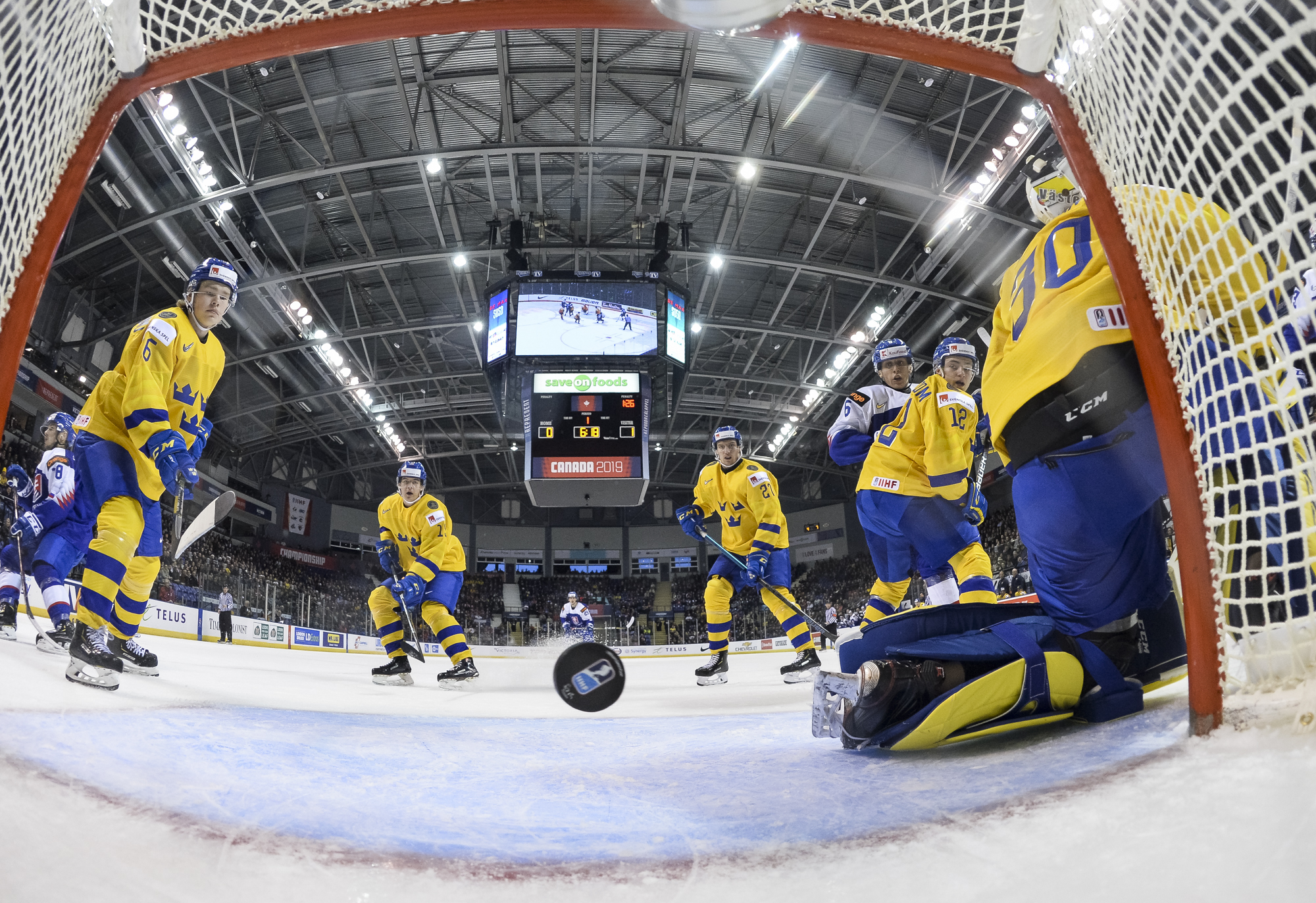 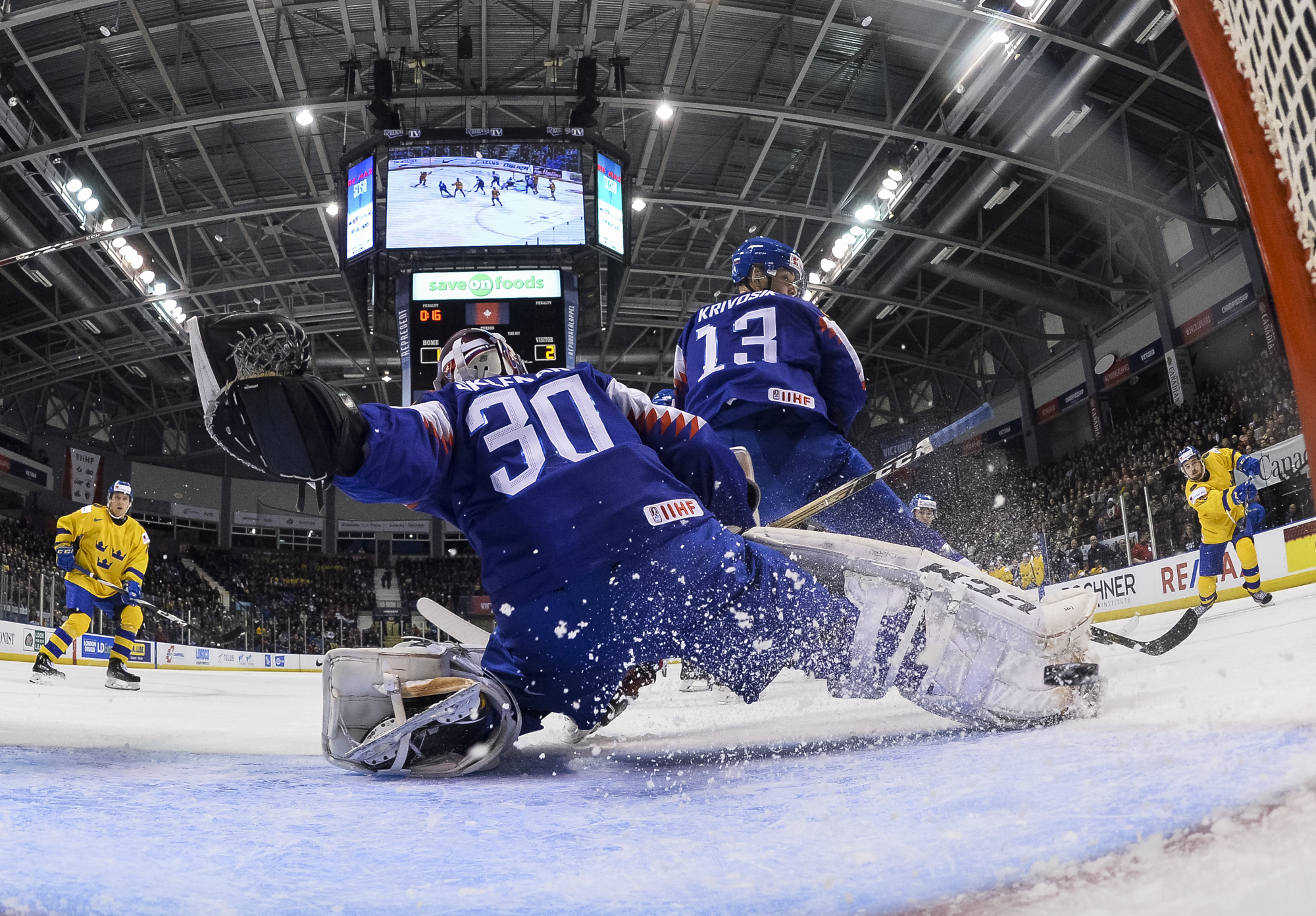