Home-ice win for Kazakhstan
Nikita Mikhailis scored two goals for Kazakhstan in the game against Slovenia.
photo: Marat Akimzhanov
share
Kazakhstan had a perfect start into its biggest tournament on home ice ever as the capital city of Nur-Sultan hosts the 2019 IIHF Ice Hockey World Championship Division I Group A where six teams battle for promotion to the top level.

The Kazakhs scored three goals within a span of 12 minutes in the opening frame to build the foundation for the first three points. Nikita Mikhailis scored two power-play goals.

“We prepared seriously for the first game. We played well. In the second period the Slovenian team played good to and got two goals. We reached what we wanted to do and won the game. I’m happy for the team,” said Kazakhstan head coach Andrei Skabelka.

Mikhailis, one of Kazakhstan’s most prolific scorers in the last few years, scored the Kazakh men’s national team’s first-ever goal on home ice in an IIHF championship completing a power play at 3:54. Then Anton Nekryach got a loose, deflected puck and doubled Kazakhstan’s lead at 9:45.

“I think we had a terrible start. We cannot afford so many penalties in the beginning. We pushed back and once we managed to score our first goal things mostly went our way. But unfortunately we lost the game in the first 20 minutes,” Slovenia head coach Ivo Jan said and reminded that is has been a problem for the team for several years now.

“We were talking that it’s really important to have a good start. I can’t exactly say what is wrong. If I knew the recipe, we would change some things. There were some calls against us, some stupid penalties we took and if you take eight minutes, they are going to punish you. Maybe there was a little nervousness in the beginning. It’s a good learning experience for our team. We’re going to do better than tomorrow.”
World Men
Slovenia vs. Kazakhstan - 2019 IIHF Ice Hockey World Championship Division I Group A
Despite a Slovenian comeback attempt, host nation Kazakhstan started the World Championship Division I Group A with a 3-2 win.
SLO KAZ 29 APR 2019
When Bostjan Golicic was assessed a penalty for slashing Kazakhstan had it’s second power play – and again it ended again with a goal from Mikhailis, who scored in front of the crease on a rebound after a long shot from Darren Dietz.

“It feels fantastic here. To come out in front of these awesome fans gives me chills. It was a pretty cool moment. It’s an amazing place to play and it proved again tonight,” Dietz said.

“Our start was key tonight. We came out with a lot of energy and that resulted in the win. I like how we responded [after conceding two goals] and came out with a good start in the third and were able to close out.”

The second period remained scoreless for a while. At 11:50 Dmitri Shevchenko had a great chance when skating towards Matija Pintaric’s goal but he didn’t bring the puck past him, neither did Dustin Boys on the rebound.

The end of the second period became a Slovenian awakening though. First Anze Kuralt after double-passing with Ken Ograjensek, then David Rodman made it a one-goal game by scoring on a rebound during a Slovenian power play. The goals were scored within a span of just 81 seconds.

While Kazakhstan outshot Slovenia 22-10 in the first two periods, the Slovenes had a 13-12 shot advantage in the third. However, their efforts were not paid off. The Kazakhs kept their net clean and got an important win.

“We started and were waiting what they’re going to do. We knew they would come hard and were not ready,” Slovenia’s Anze Kuralt offered. “It’s hard to come back three goals down. All the national teams are at the same level, it’s hard to fight back from 3-0. We almost made it but in the end it didn’t work out.”

Kazakhstan will have a day off before facing Lithuania on Wednesday while Slovenia will play Korea tomorrow.
Slovenia vs. Kazakhstan - 2019 IIHF Ice Hockey World Championship Division I Group A 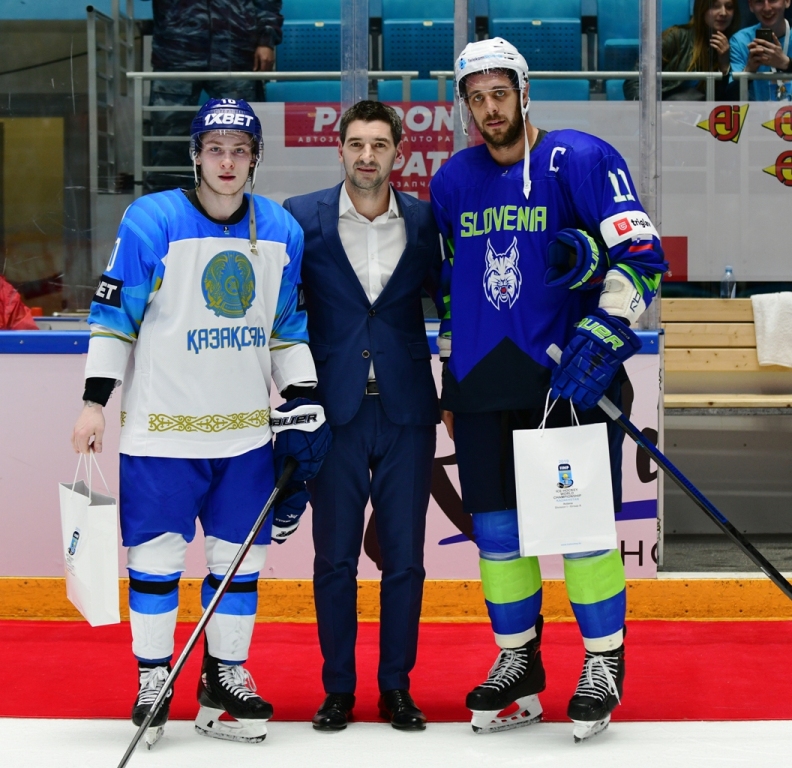 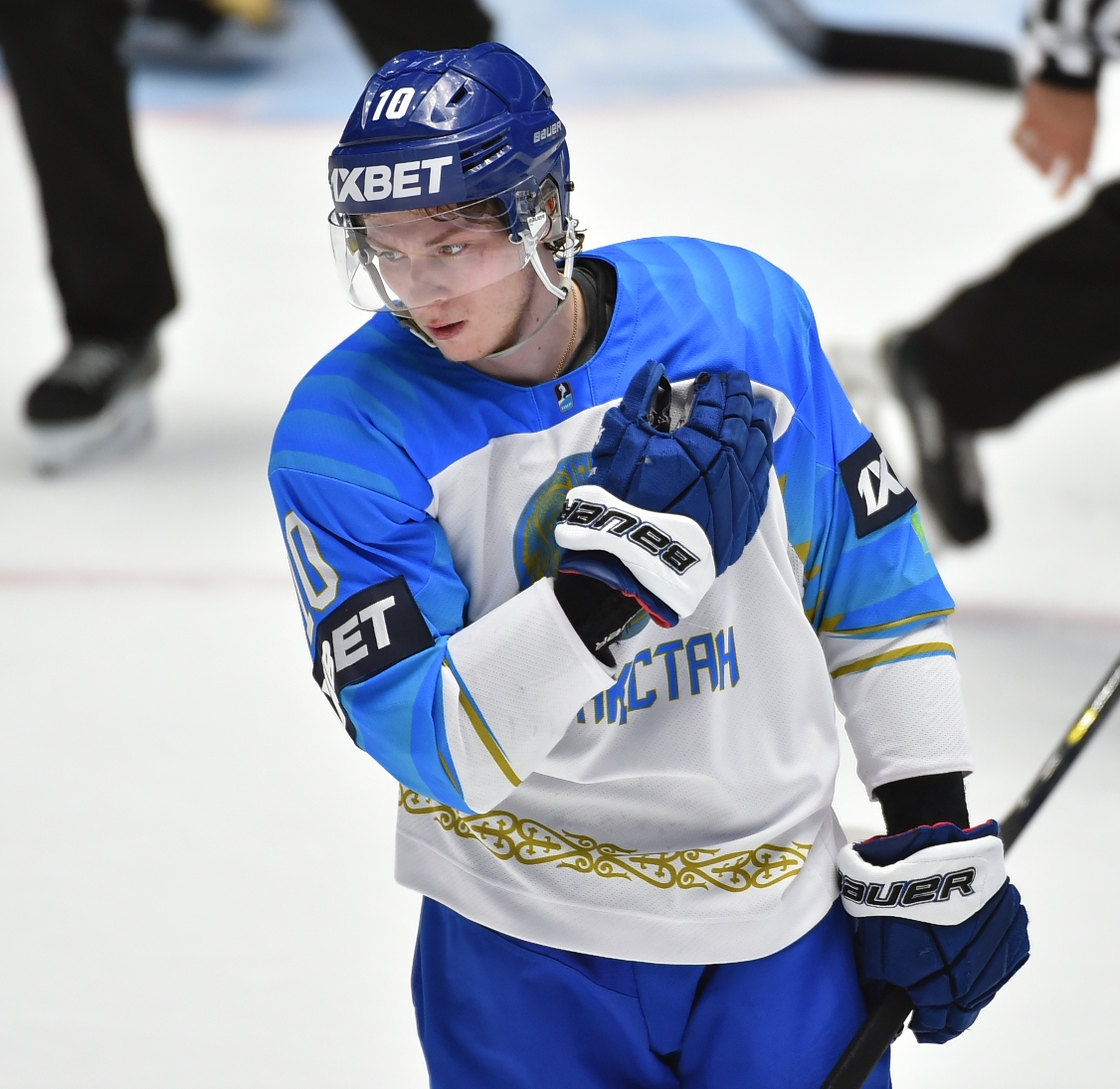 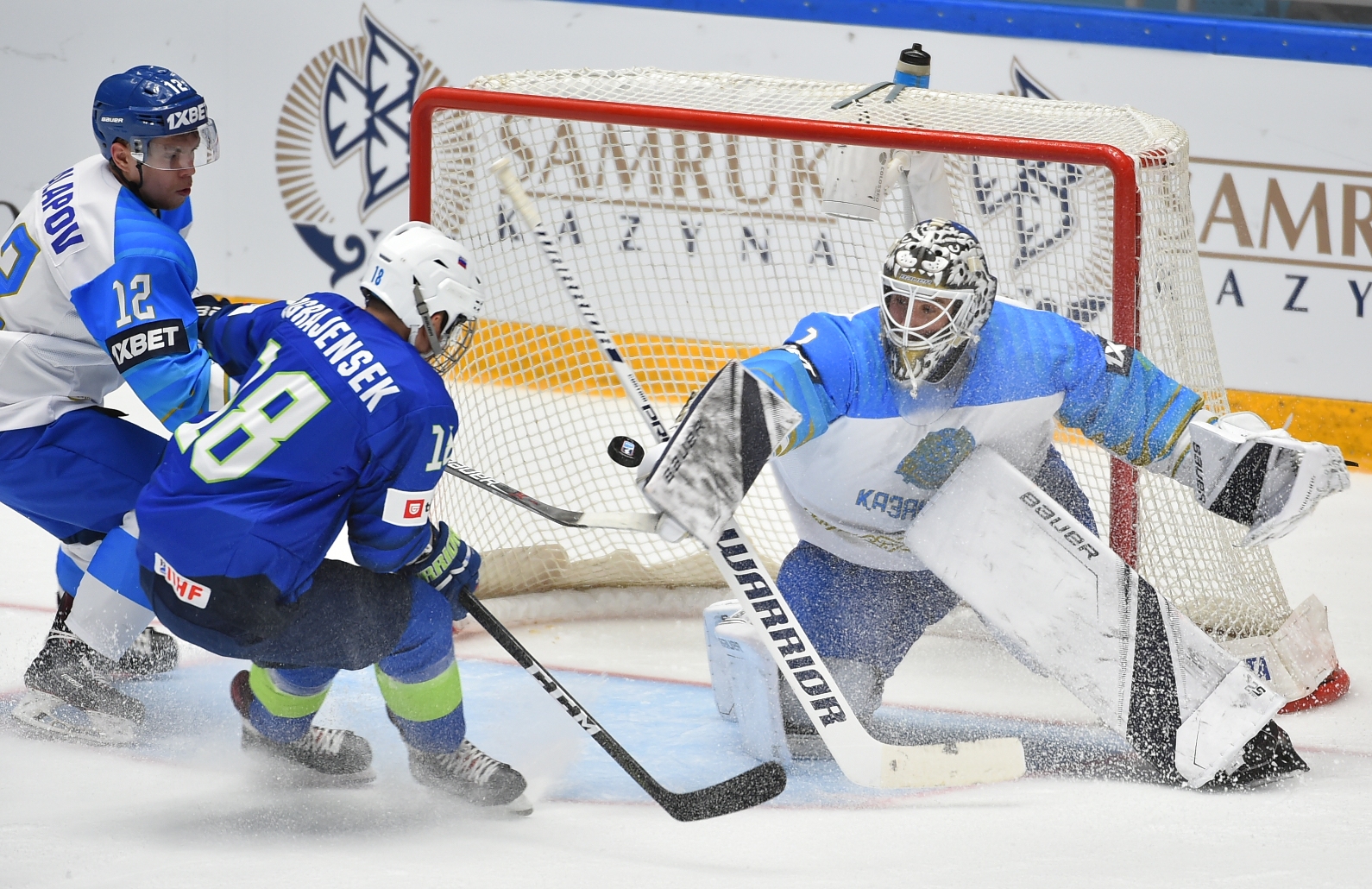 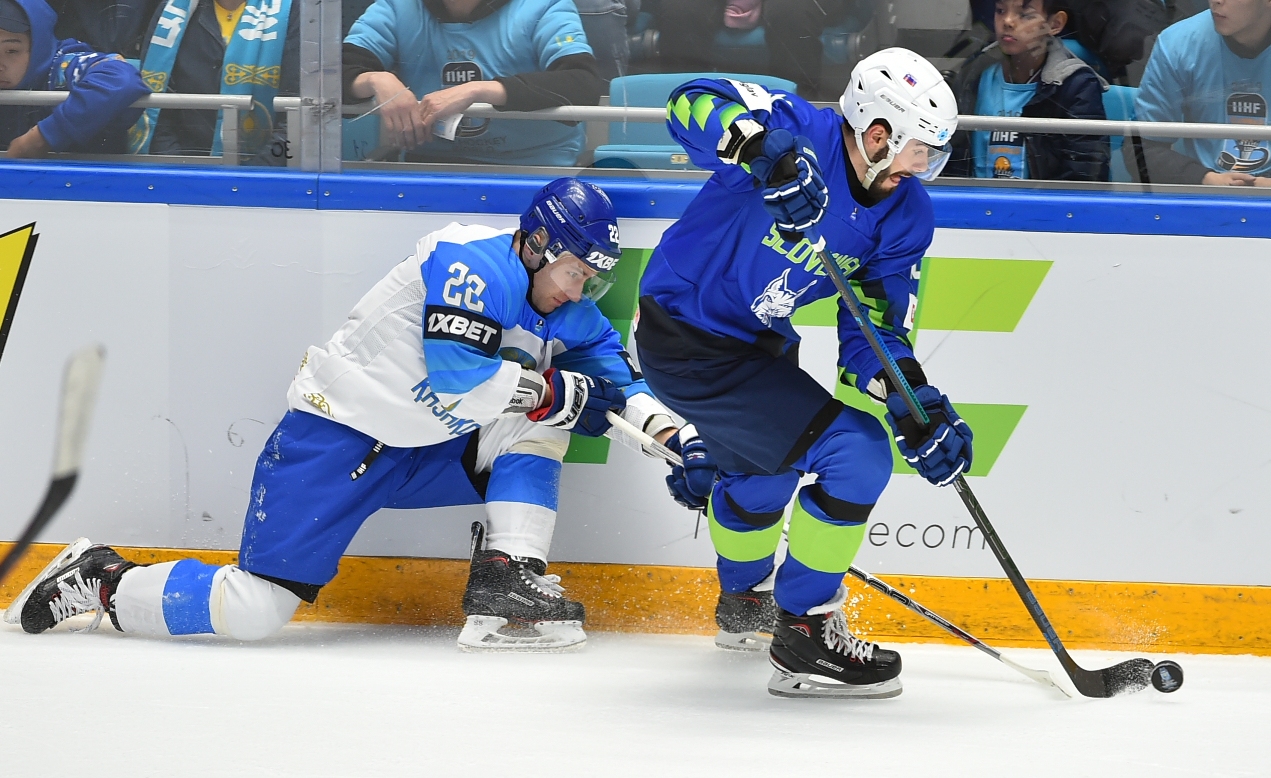 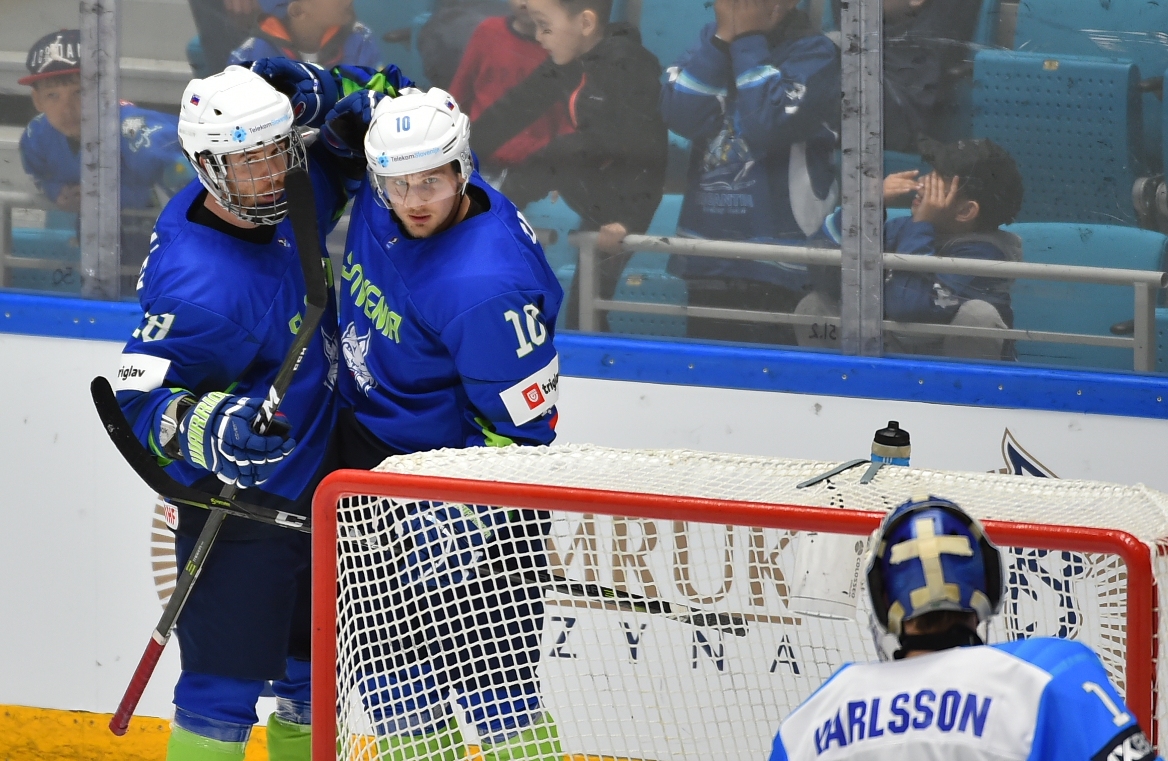 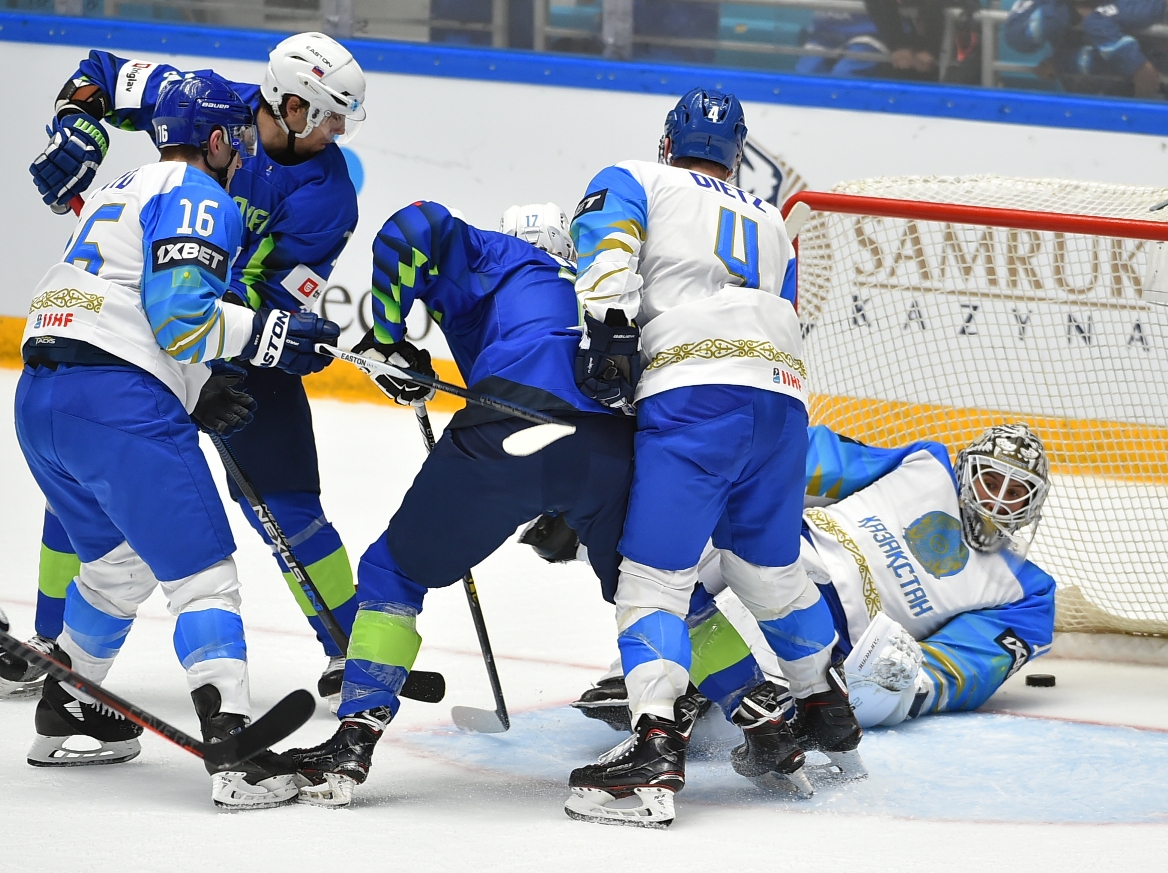 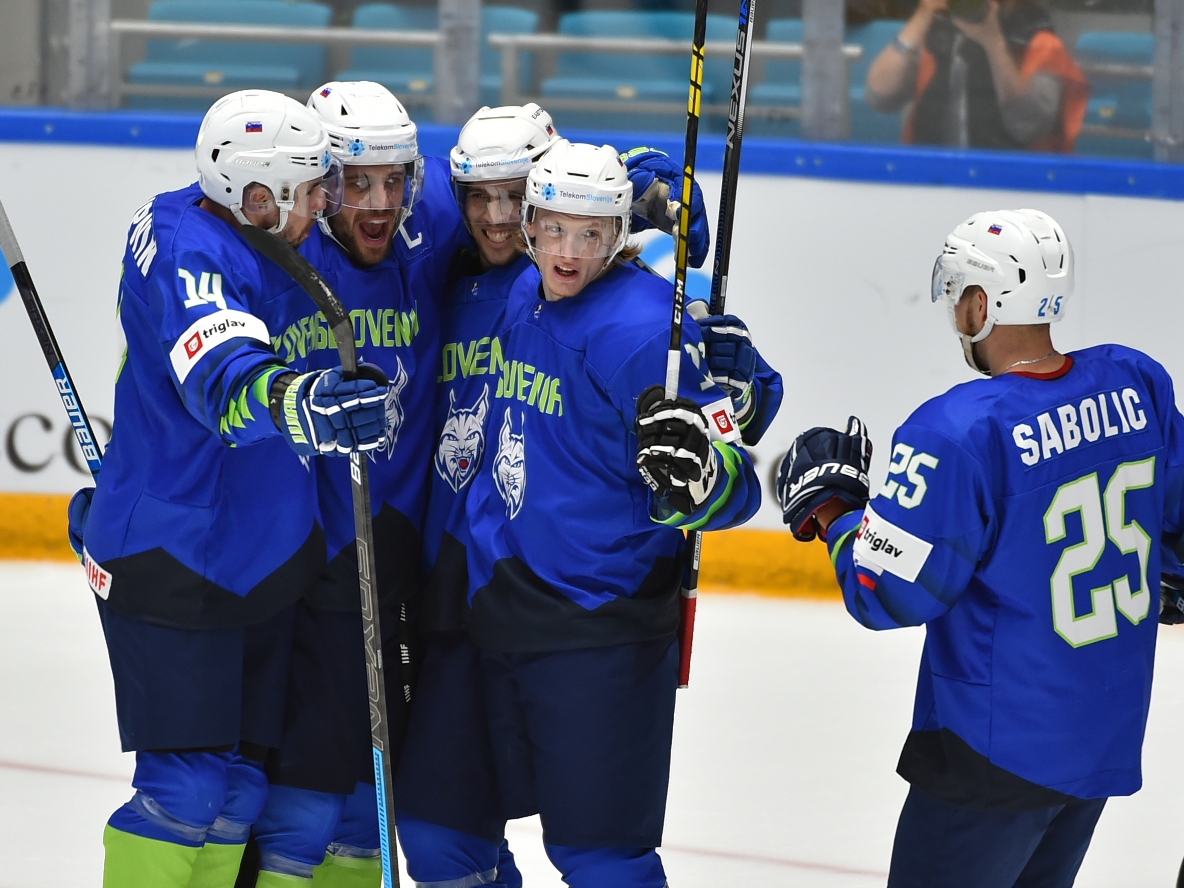 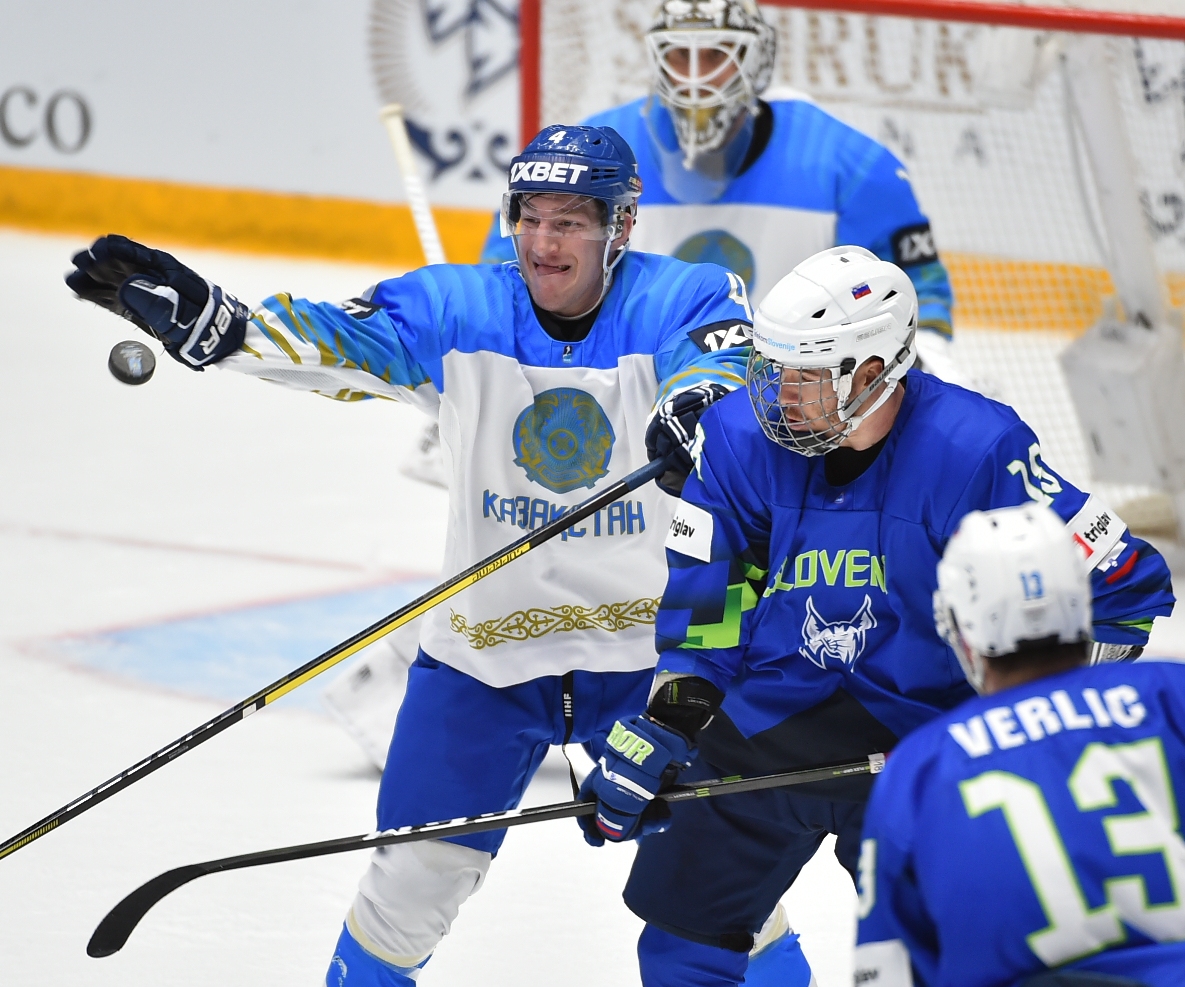 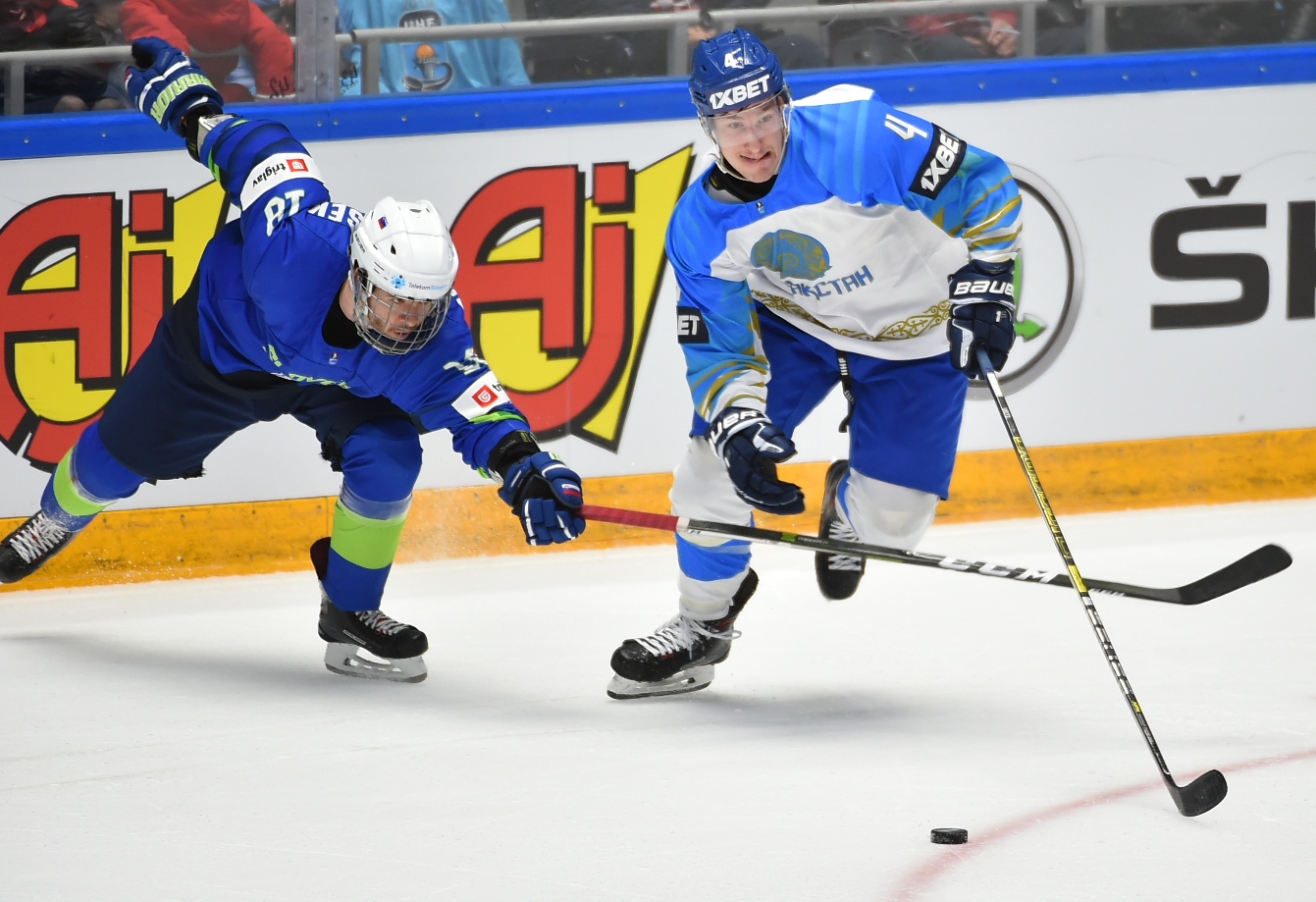 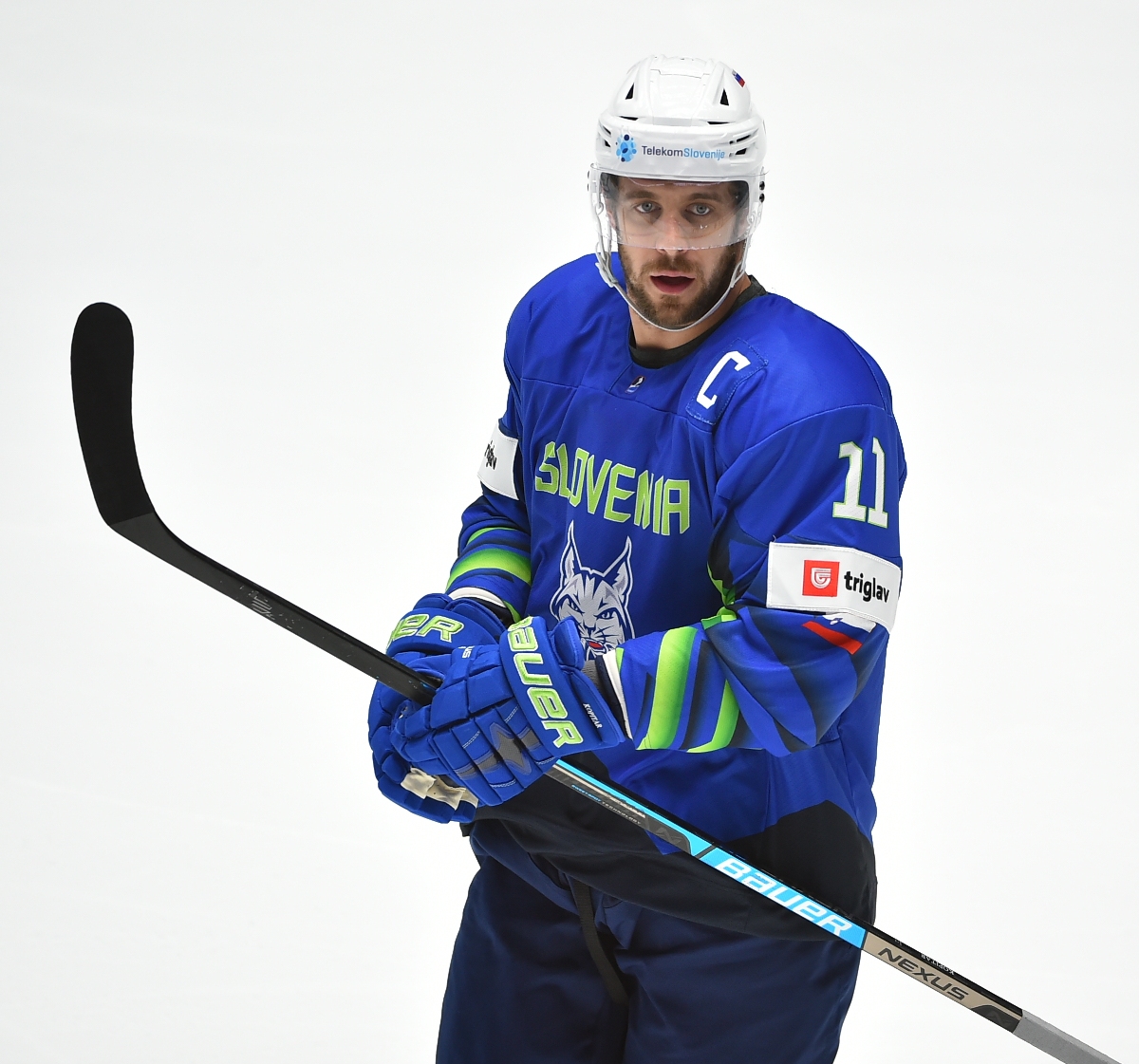 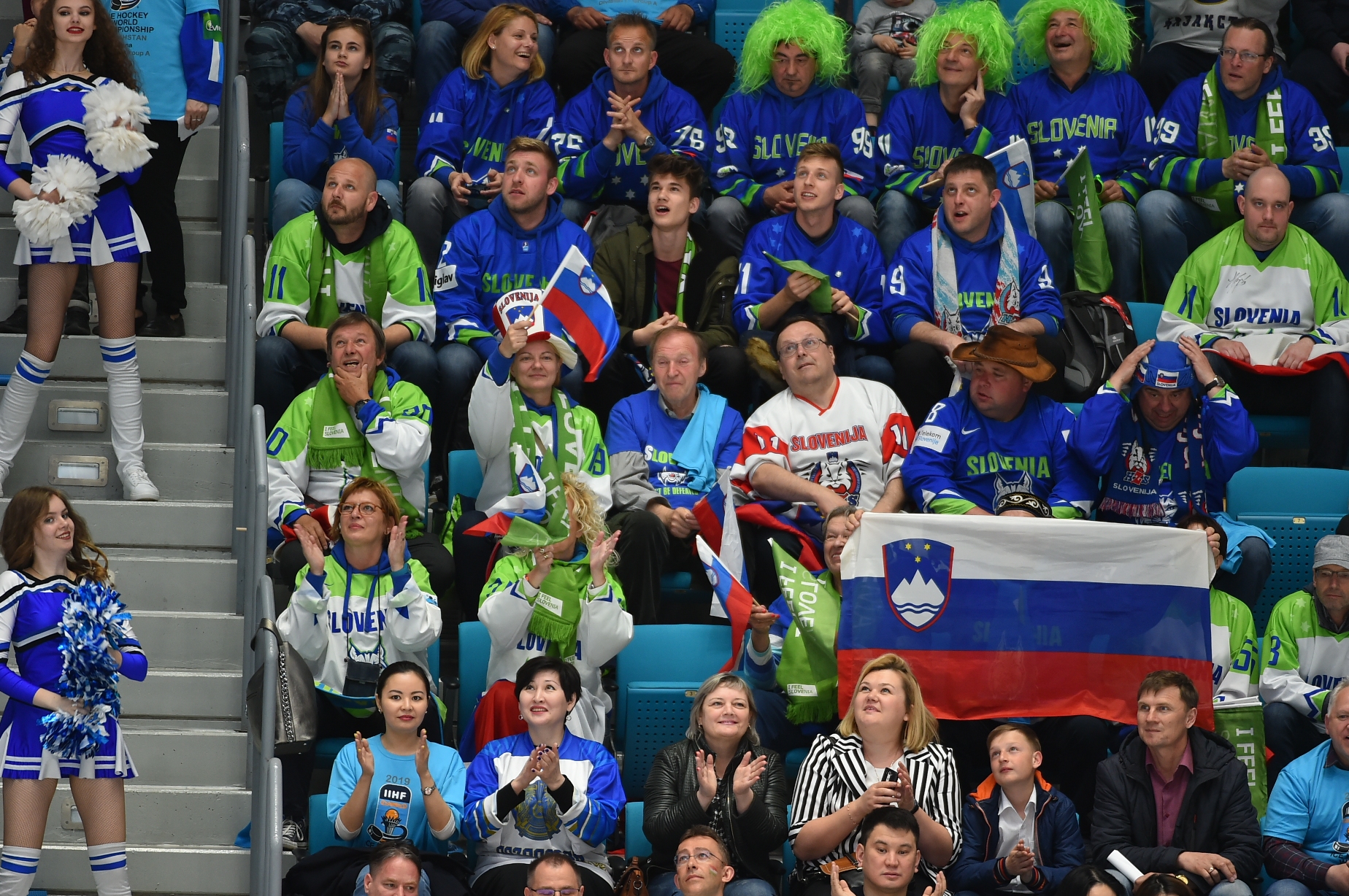 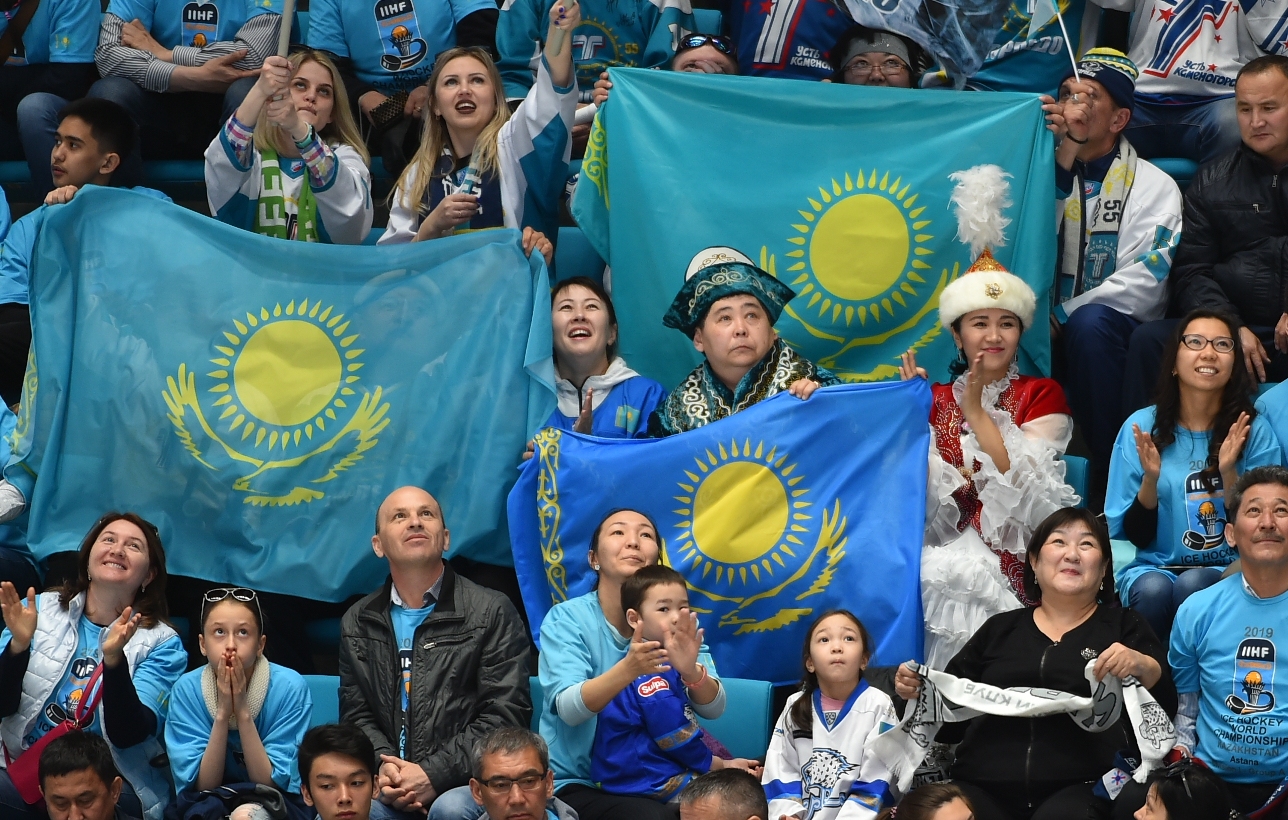 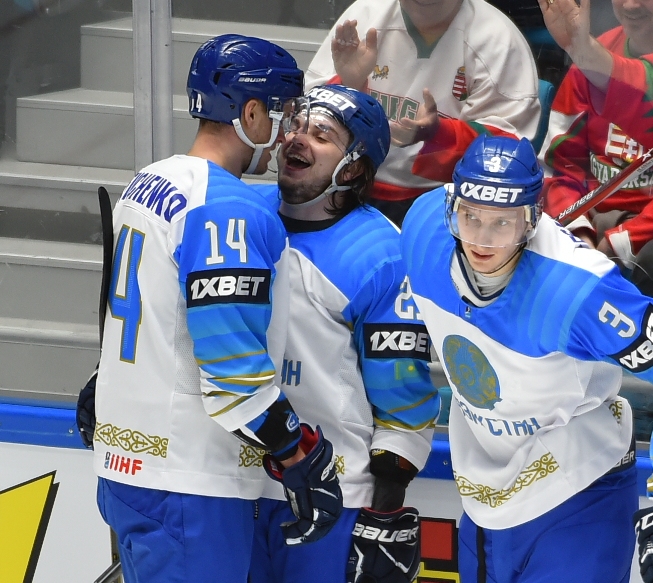 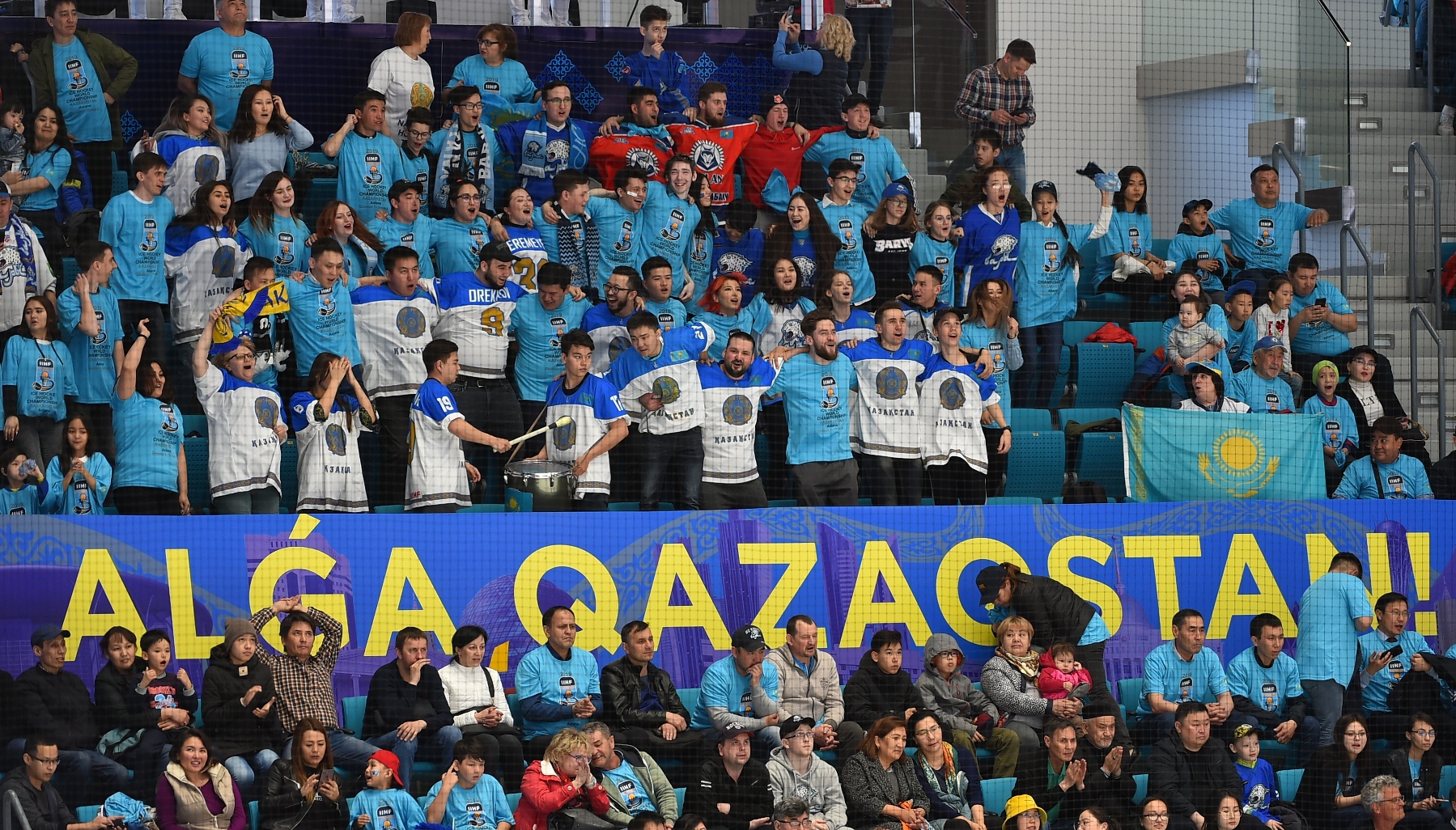 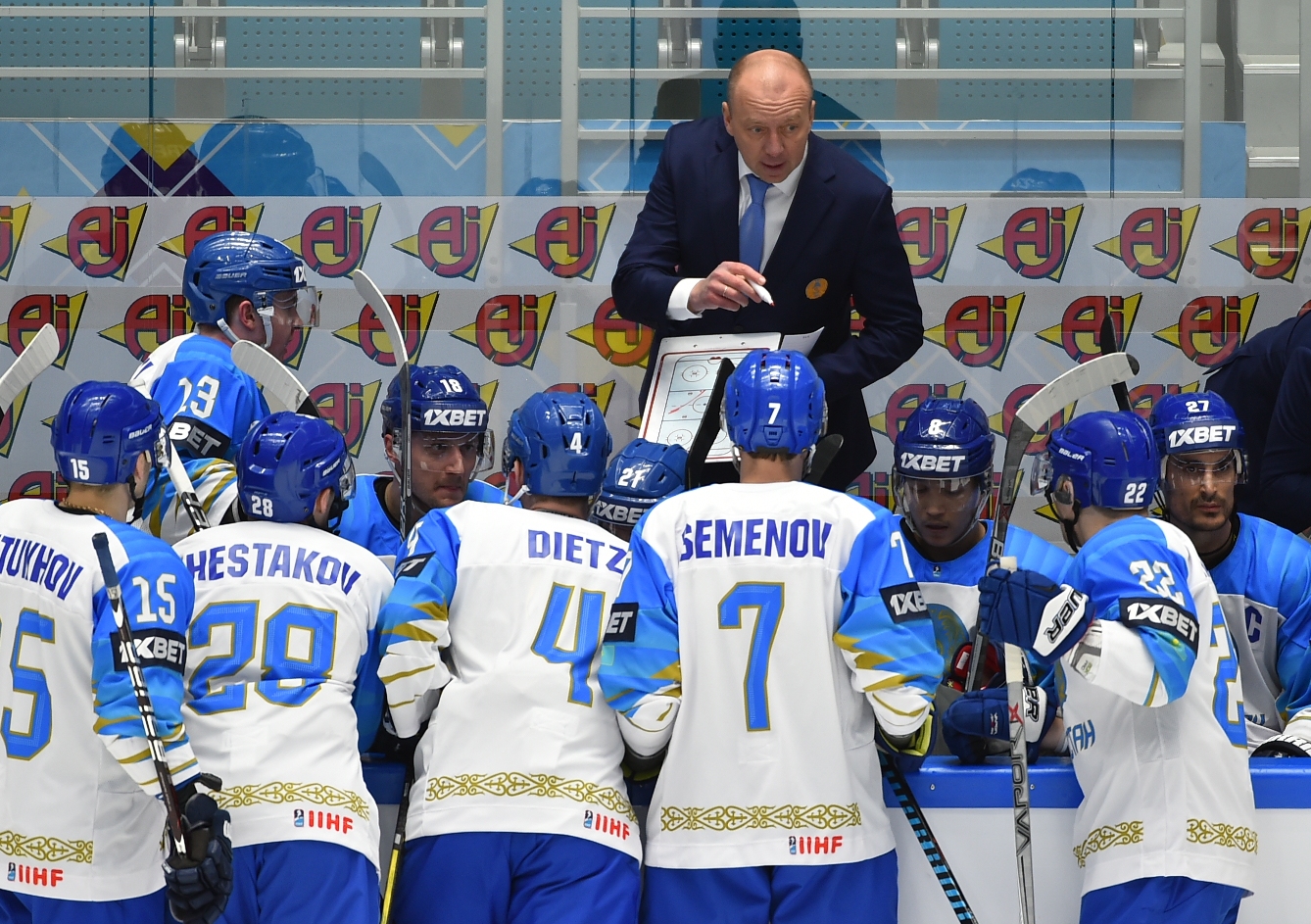 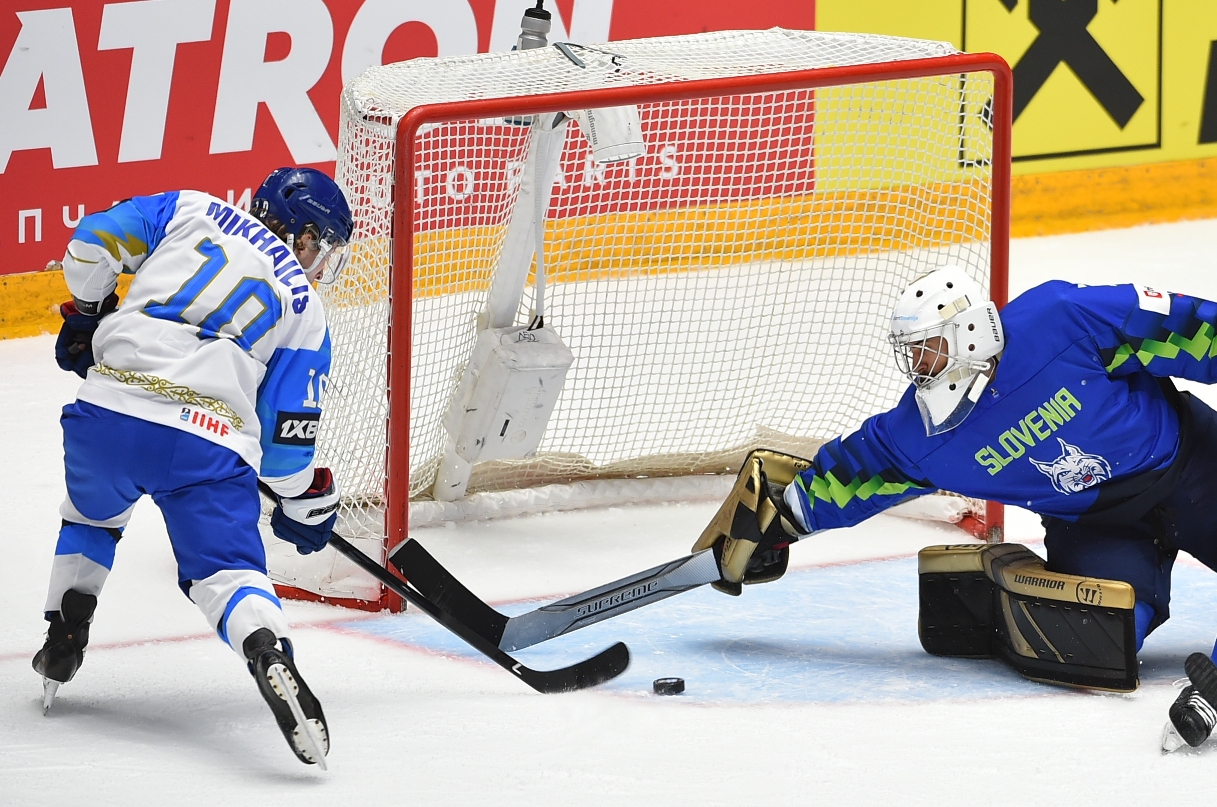 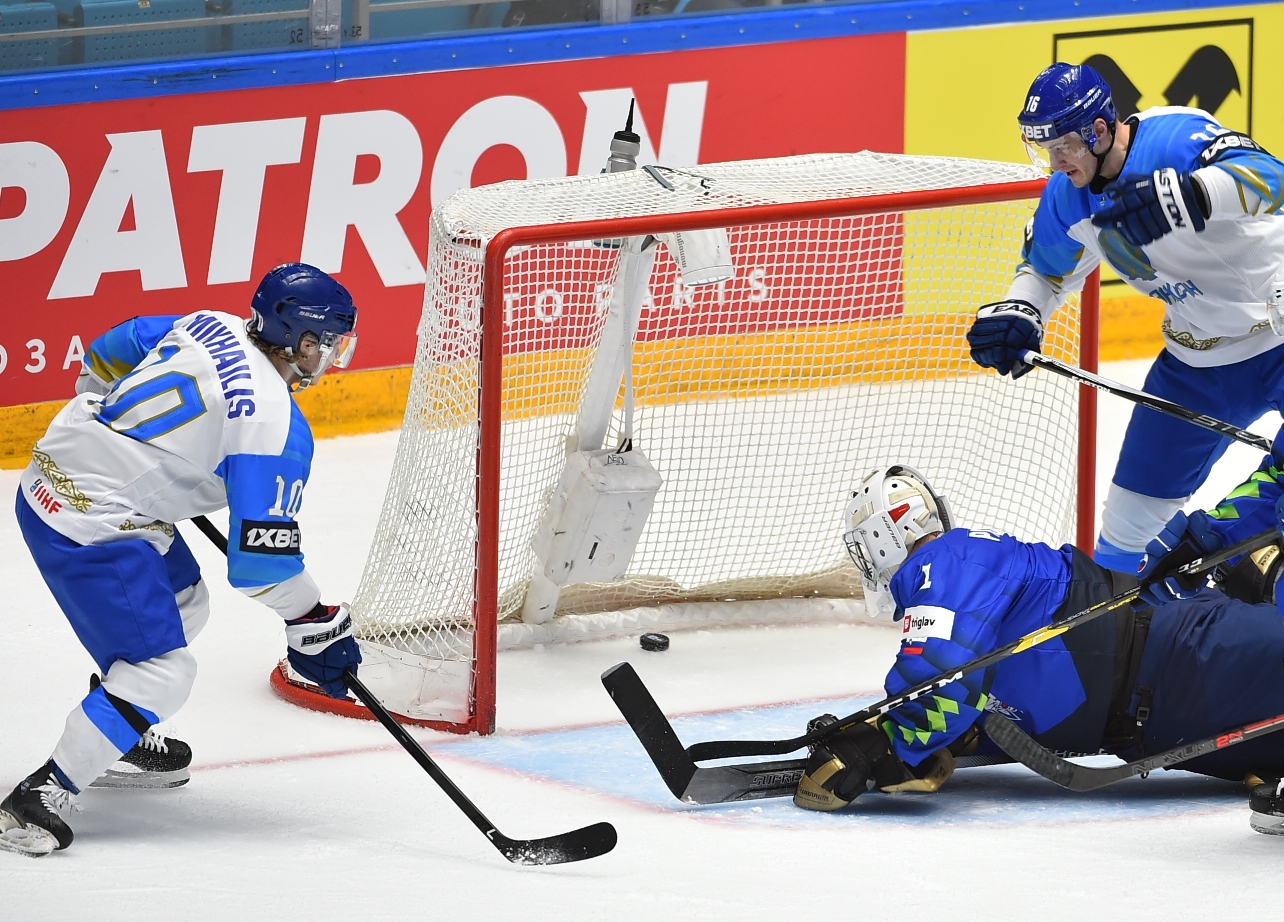 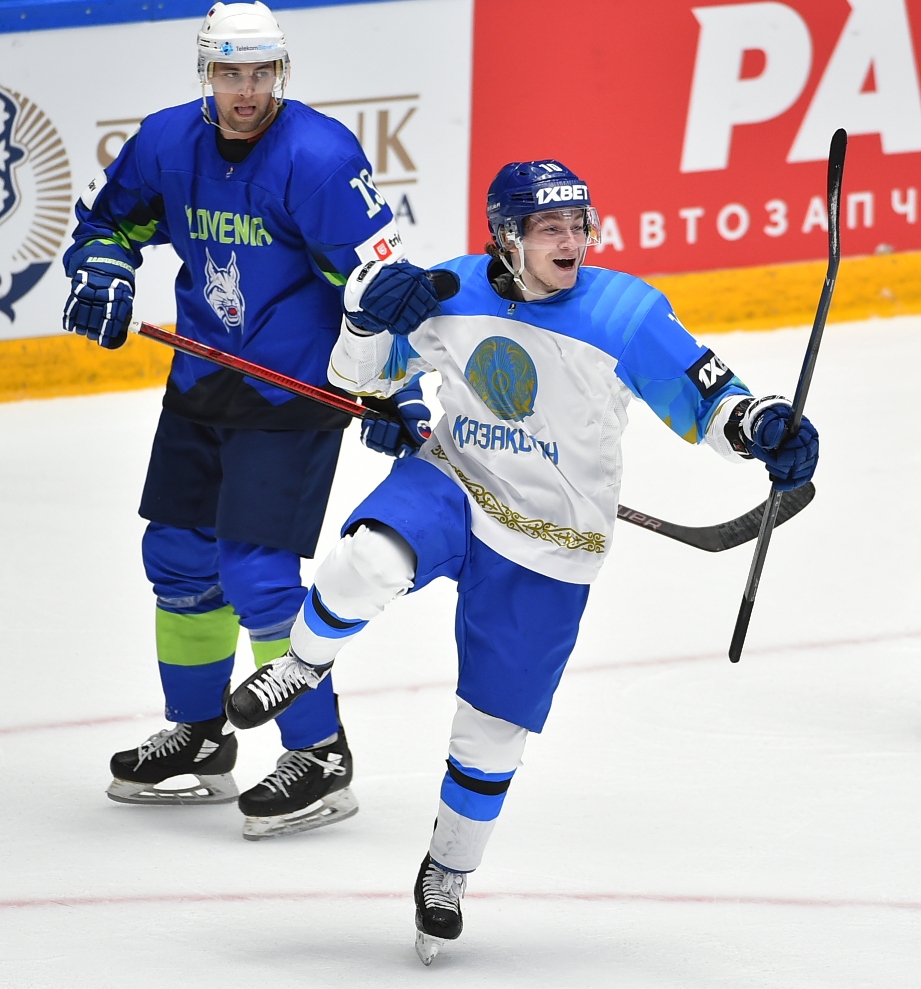 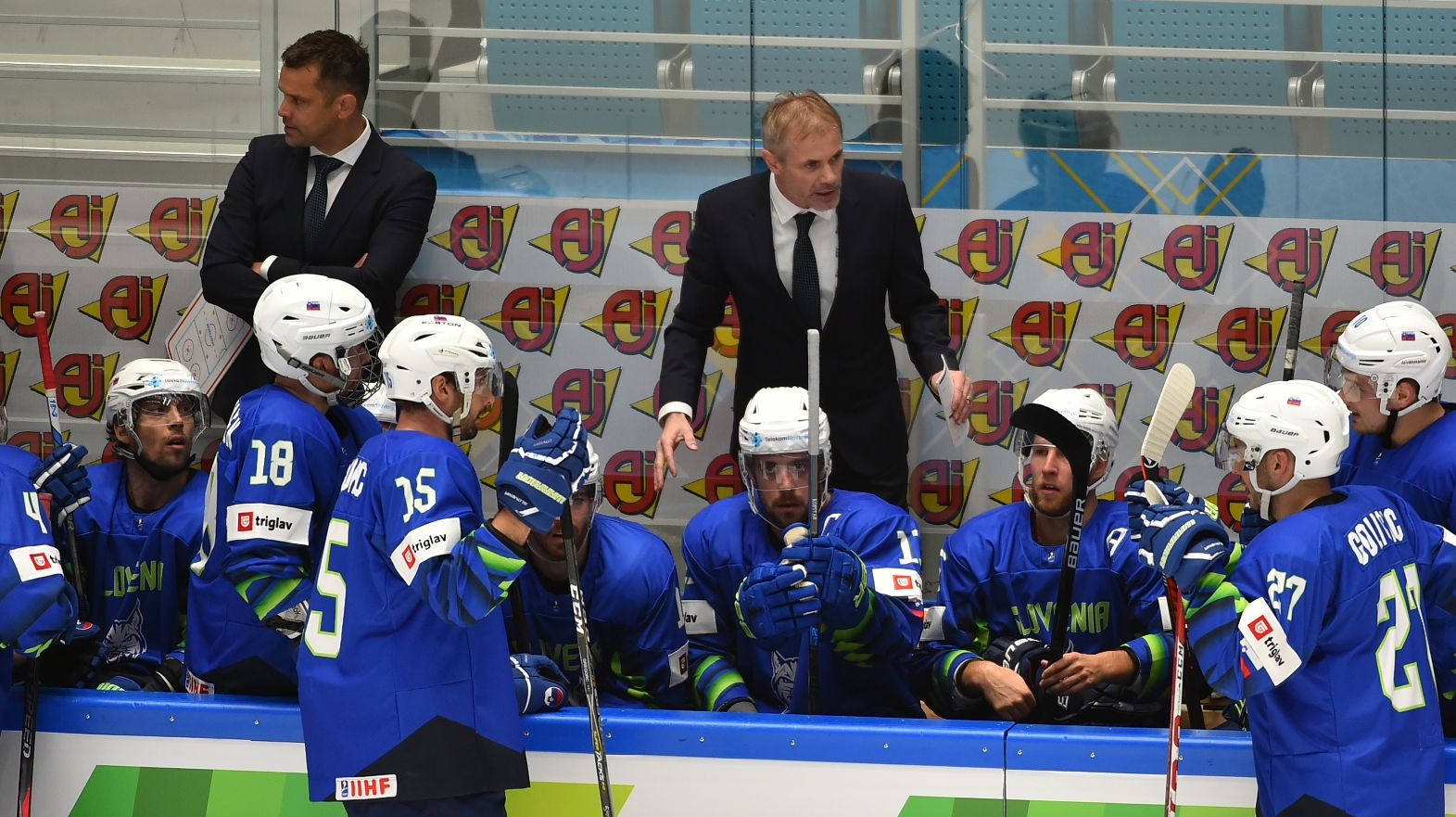 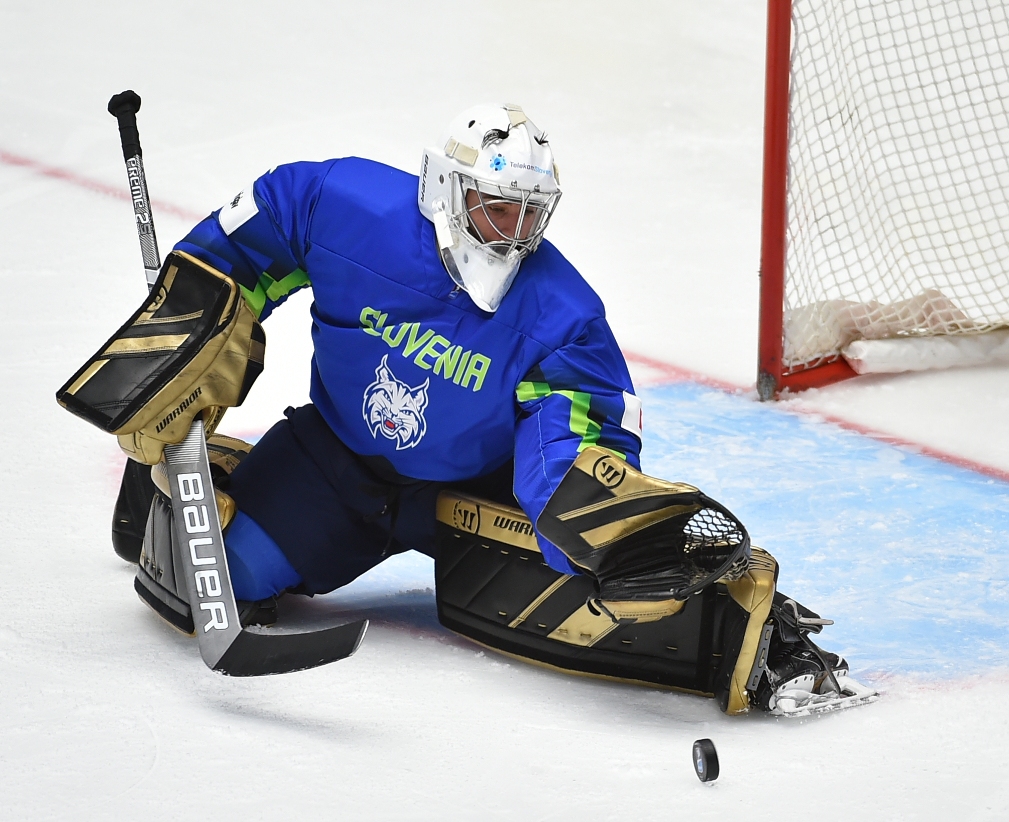 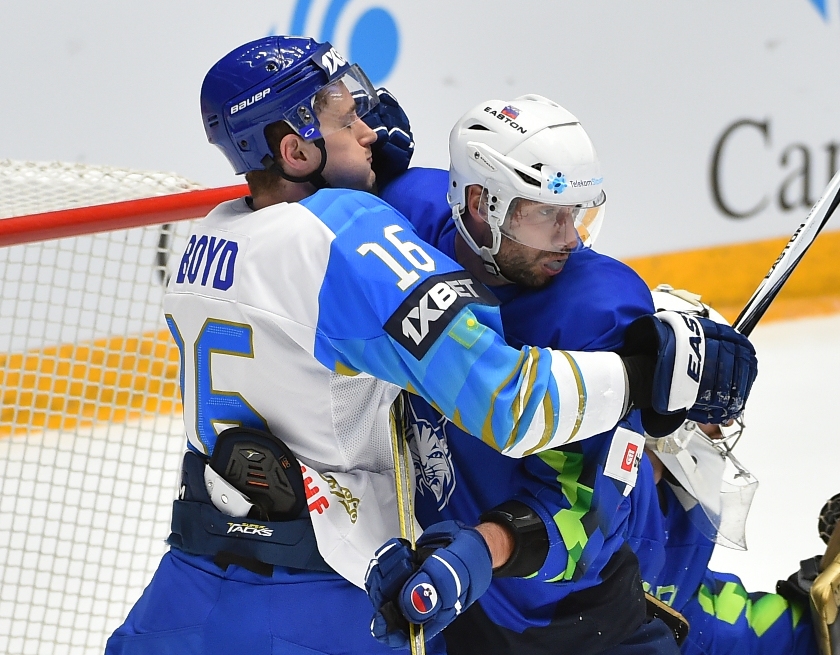