Slovenia saved
The Slovenian players celebrate one of the nine goals against Lithuania.
photo: Marat Akimzhanov
share
The relegation battle at the 2019 IIHF Ice Hockey World Championship Division I Group A was decided in the first game of the last day. Slovenia blanked Lithuania 9-0, which means that both Slovenia and Hungary will stay in the group while Lithuania will be have to go back to the Division I Group B.

The Slovenes had an early goal and simply never stopped scoring.

“We finished on a high, that’s good. We prepared like for every game. It was a huge game for us. We gave all we had and we played the best game of the tournament. We made a great defensive job and that also helped us to make more offensive plays,” said Jan Drozg, who scored a hat trick in the game and now leads the tournament in goals with five.

The start was in Slovenia’s favour with a power play. The “lynx” needed two minutes to crack the tight Lithuanian box play and they made it three seconds after. With Daniel Bogdziul coming back from the penalty box, Sabahudin Kovacevic sent a pass to the crease where Robert Sabolic was at the spot to tip the puck in.

With 3:44 left Drozg scored his third of five goal of the tournament. After circling around the Lithuanian defence he beat goaltender Mantas Armalis with a high wrist shot.

“We talked a lot about how important the start of the game is and they’re a tough opponent if they get the lead. For us it was important that we scored the first goal and used our power play. We didn’t let go and played for 60 minutes,” Slovenia head coach Ivo Jan said.
World Men
Slovenia vs. Lithuania - 2019 IIHF Ice Hockey World Championship Division I Group A
Slovenia's 9-0 blanking of Lithuania keeps the Slovenes in the Division IA. Jan Drozg scored a hat trick in the game.
SLO LTU 05 MAY 2019
The Lithuanians aimed at getting back in the second period but a 2+2 minute penalty for high-sticking against Tadas Kumeliauskas didn’t make things easier. Just when the Lithuanians killed off the penalties, Los Angeles Kings star Anze Kopitar showcased his skills. The Slovenian captain brought the puck between Arvidas Domeika and Dainius Zubrus, then outskated Arturas Katulis in front of the net and beat Armalis with a wrist shot at 8:16. And as if this was not enough, Matic Podlipnik increased the lead to 4-0 just half a minute later with a shot from the blue line.

“Obviously it was our worst game by far. We made way too many mistakes and they made us pay for it. We played much tighter games normally. It’s a young team. More than half of our defensive corps plays with full cages. That’s a huge experience for them. They are our future,” captain Zubrus said.

When asked about the reasons for the breakdown, he answered: “It came altogether. Inexperience, fatigue level. It was not as good of a game we could have played. Altogether I’m so happy with the way we played at this tournament and as a hockey nation we’re growing. It’s a step in the right direction.”

Lithuania head coach Daniel Lacroix took his time-out but the four-goal deficit proved too much. Few minutes later Bostjan Golicic had free way to the net after a pass from Anze Kuralt to make it 5-0. With 31 seconds left in the period the Slovenes outpassed the Lithuanian defence again. Kuralt sent a short horizontal pass in front of the net to Ken Ograjensek on the other side and it was 6-0.

“I really liked our start, at 5-on-5 they played well. The big question mark was would we be able to sustain it after playing a game yesterday at 14:00. Unfortunately we weren’t. We lost momentum, lost the spirit pretty early. We kind of lost ourselves,” Lacroix said. “I’m proud of our guys and the commitment and effort they showed up every game beside today’s game.”

Young netminder Laurynas Lubys came in for the last period but saw himself beaten after nine minutes. Drozg received a pass from behind the net to increase the lead to 7-0. Aleksandar Magovac scored another goal and Drozg completed his hat trick with the 9-0 marker with 59 seconds left.

For Slovenia it was a conciliatory ending after a bad start into the tournament. The team had definitely hoped for more especially with the arrival or their Slovenian idol Anze Kopitar and will finish the tournament in fourth place. 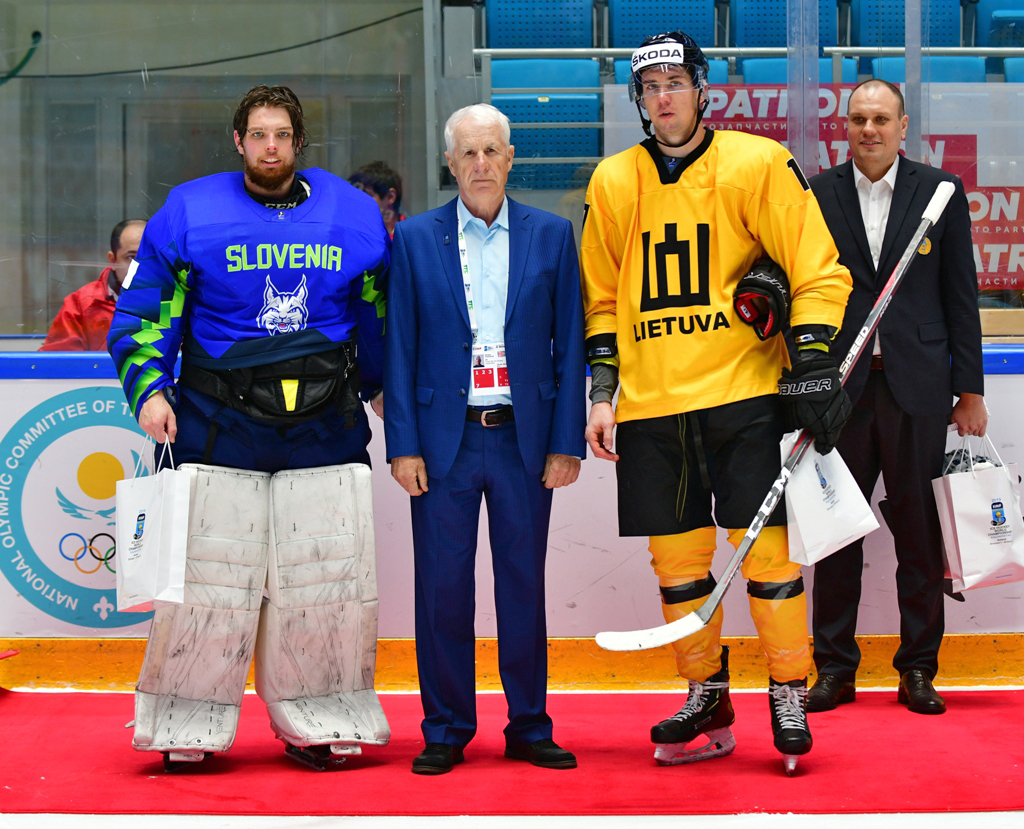 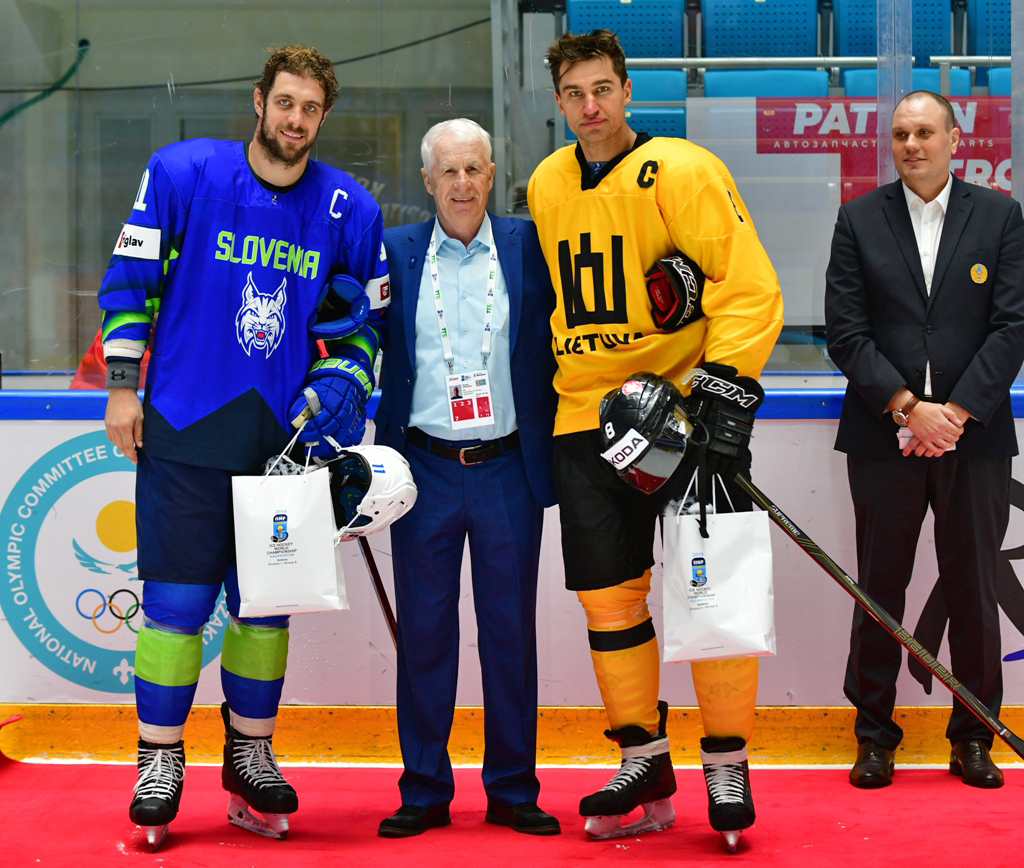 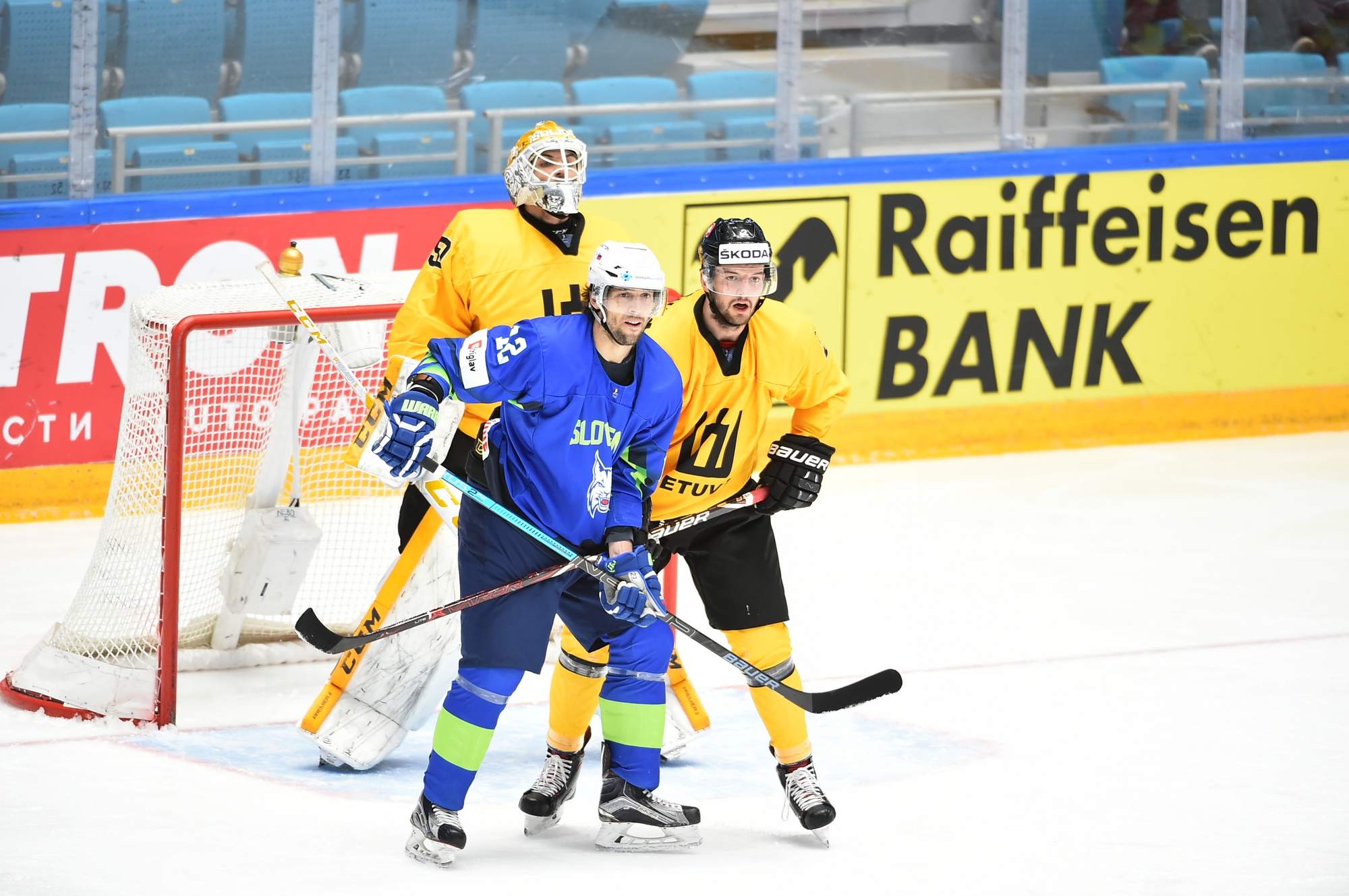 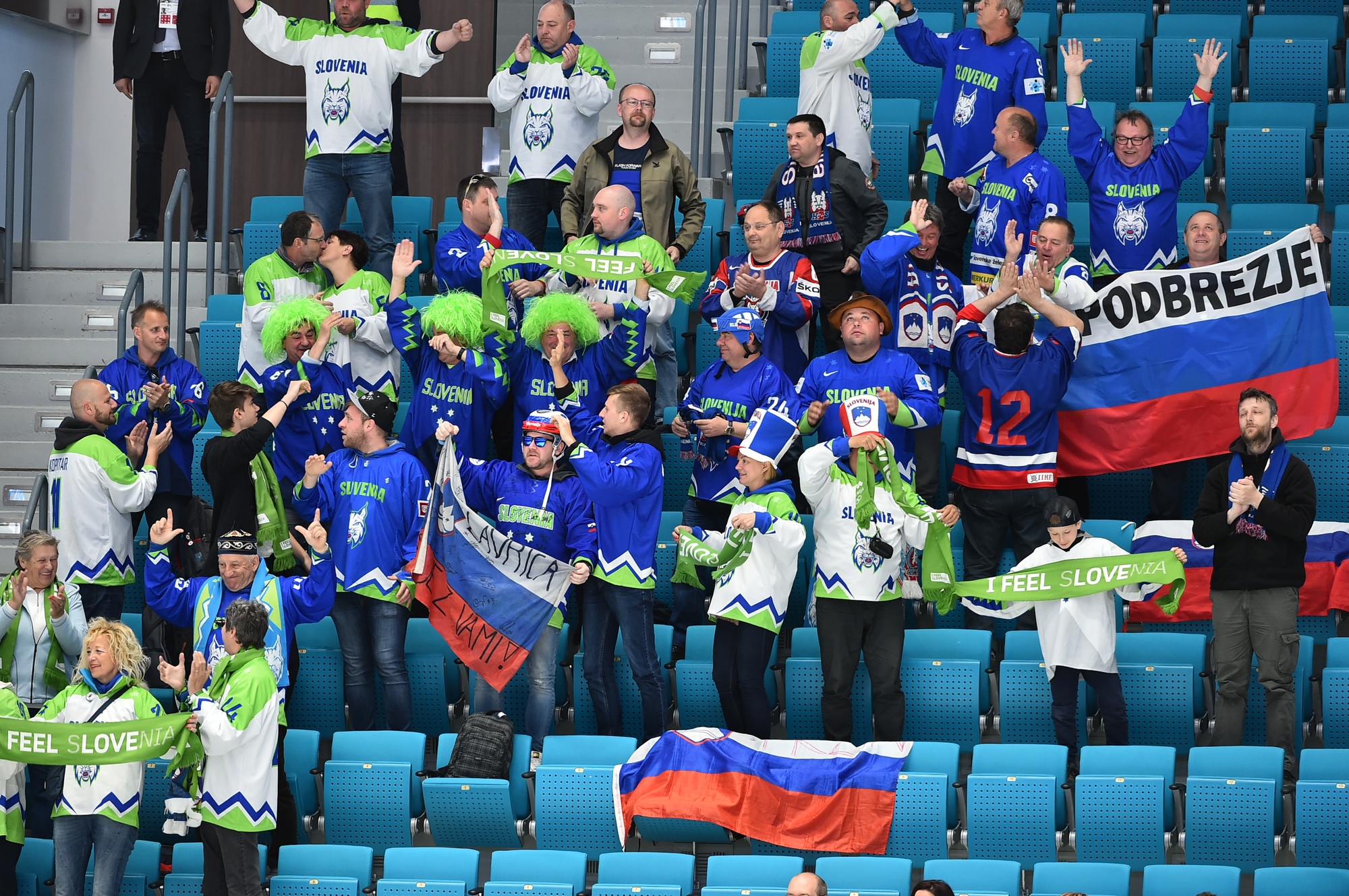 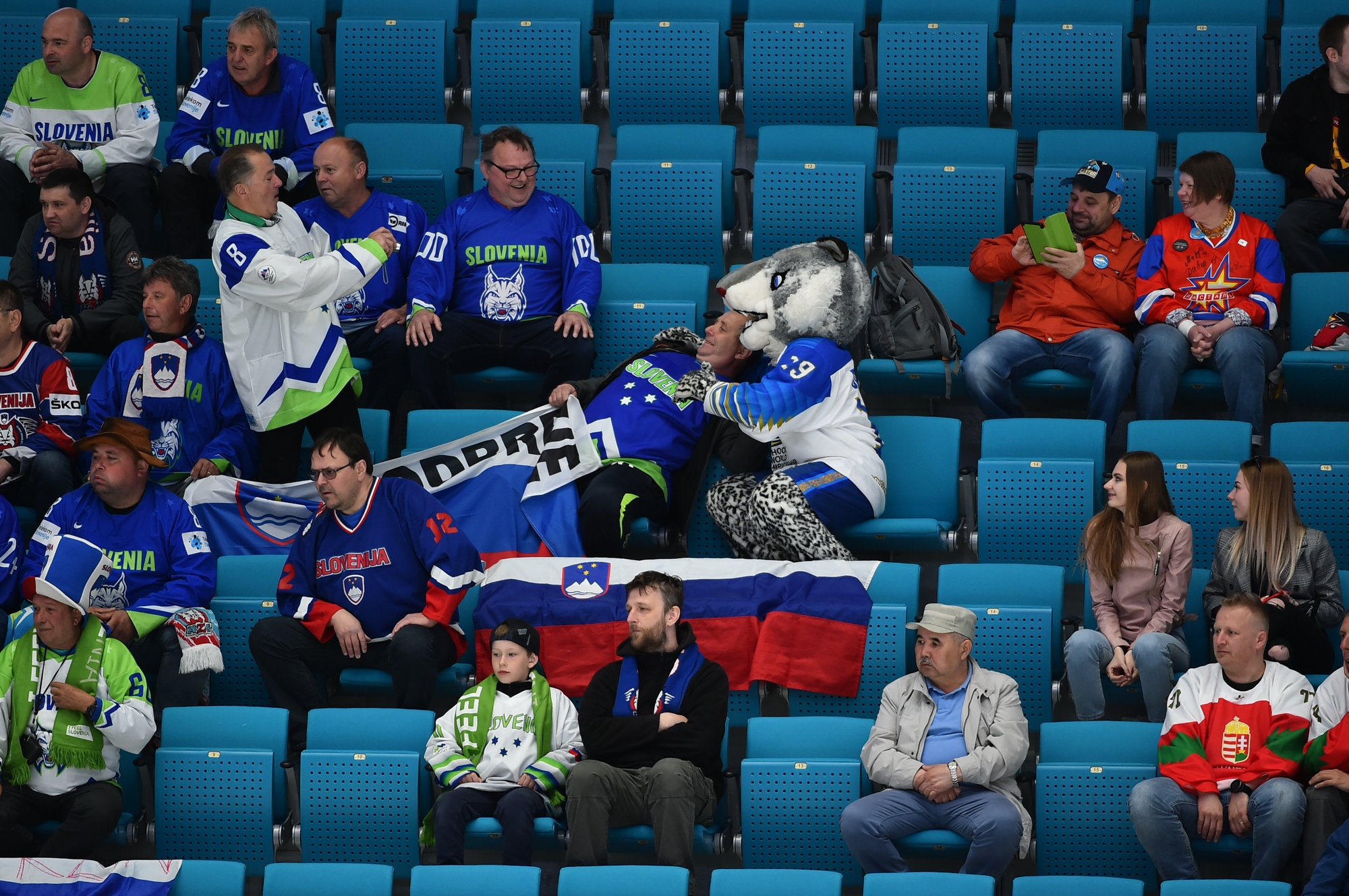 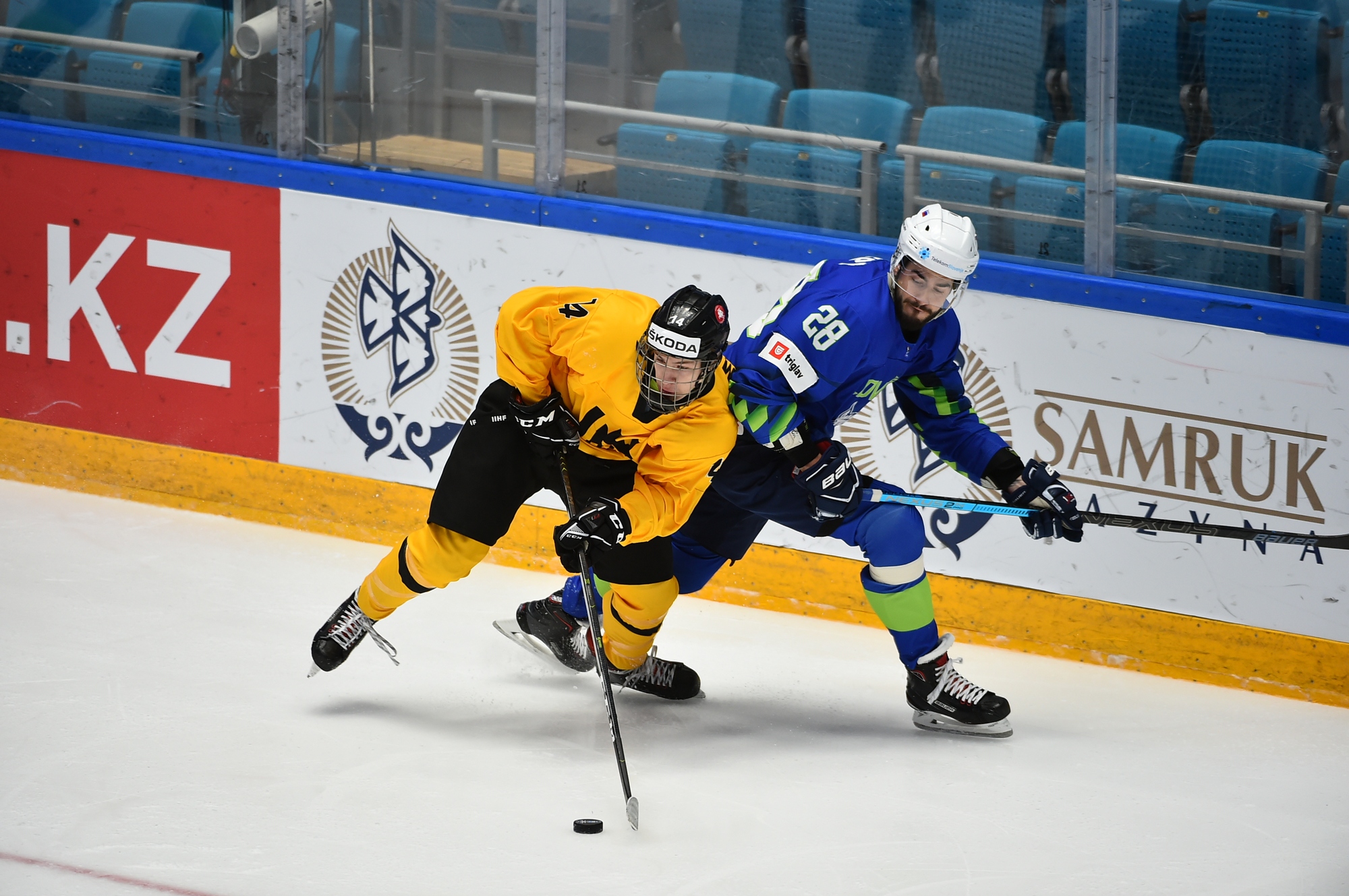 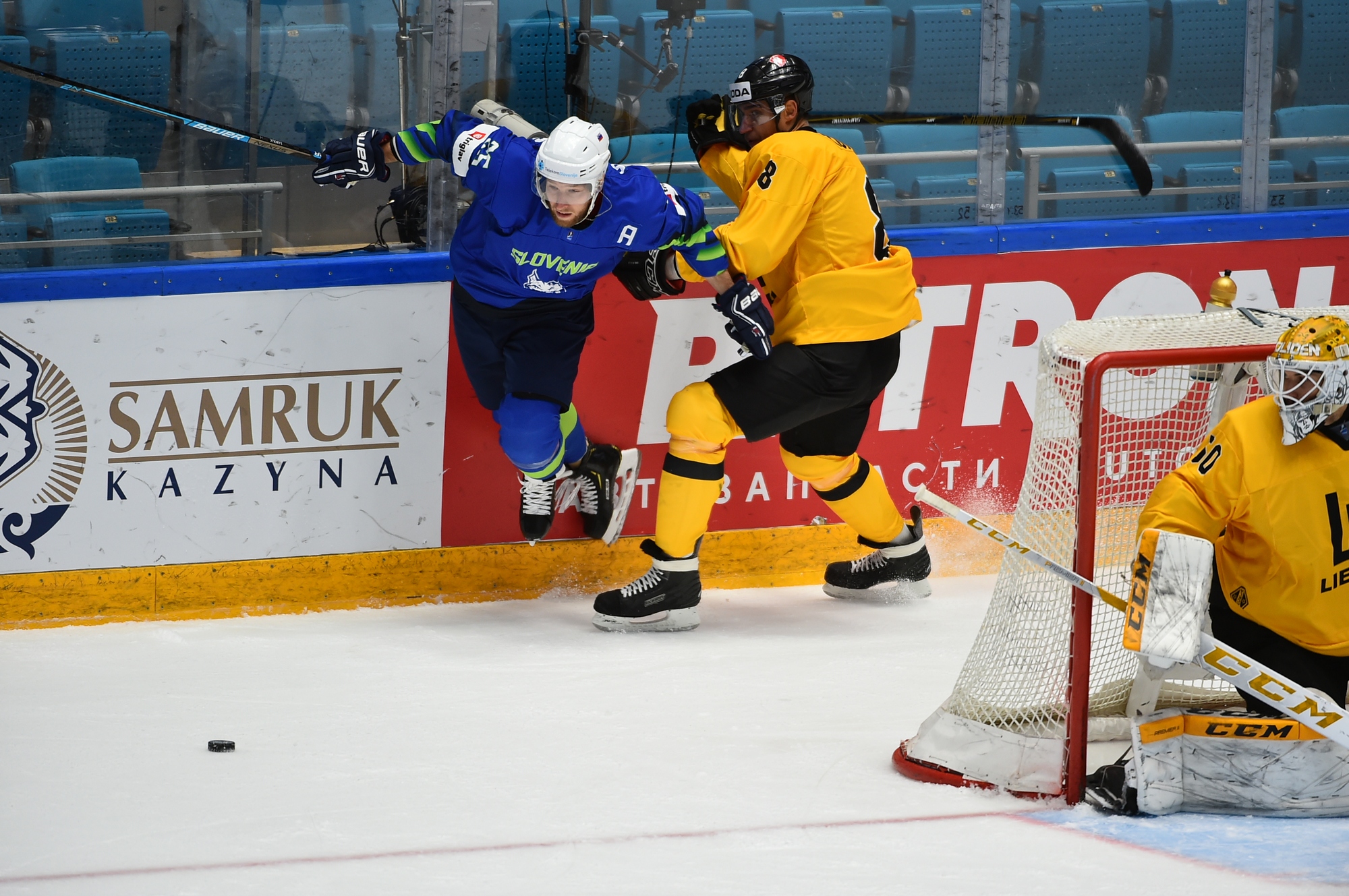 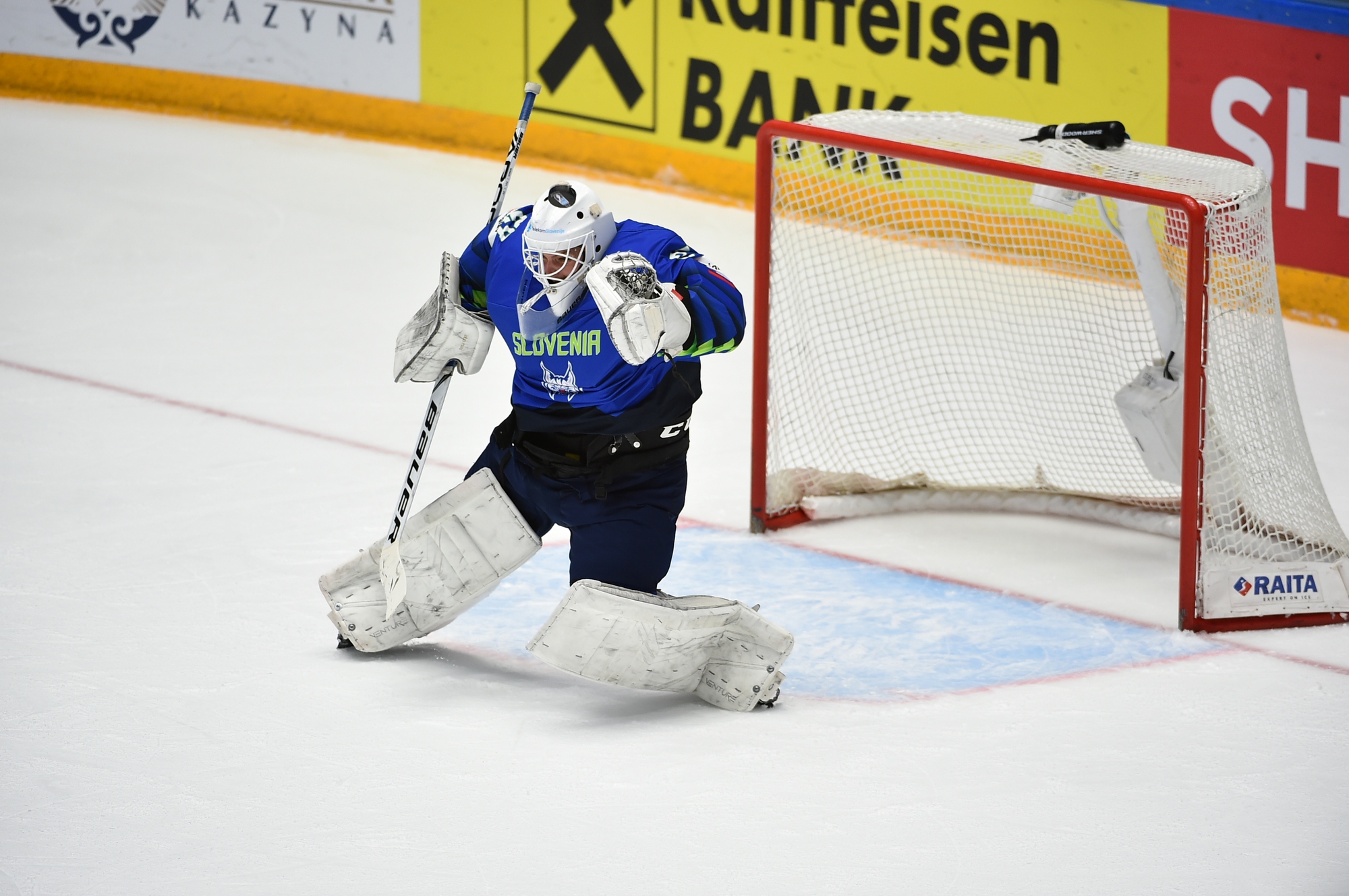 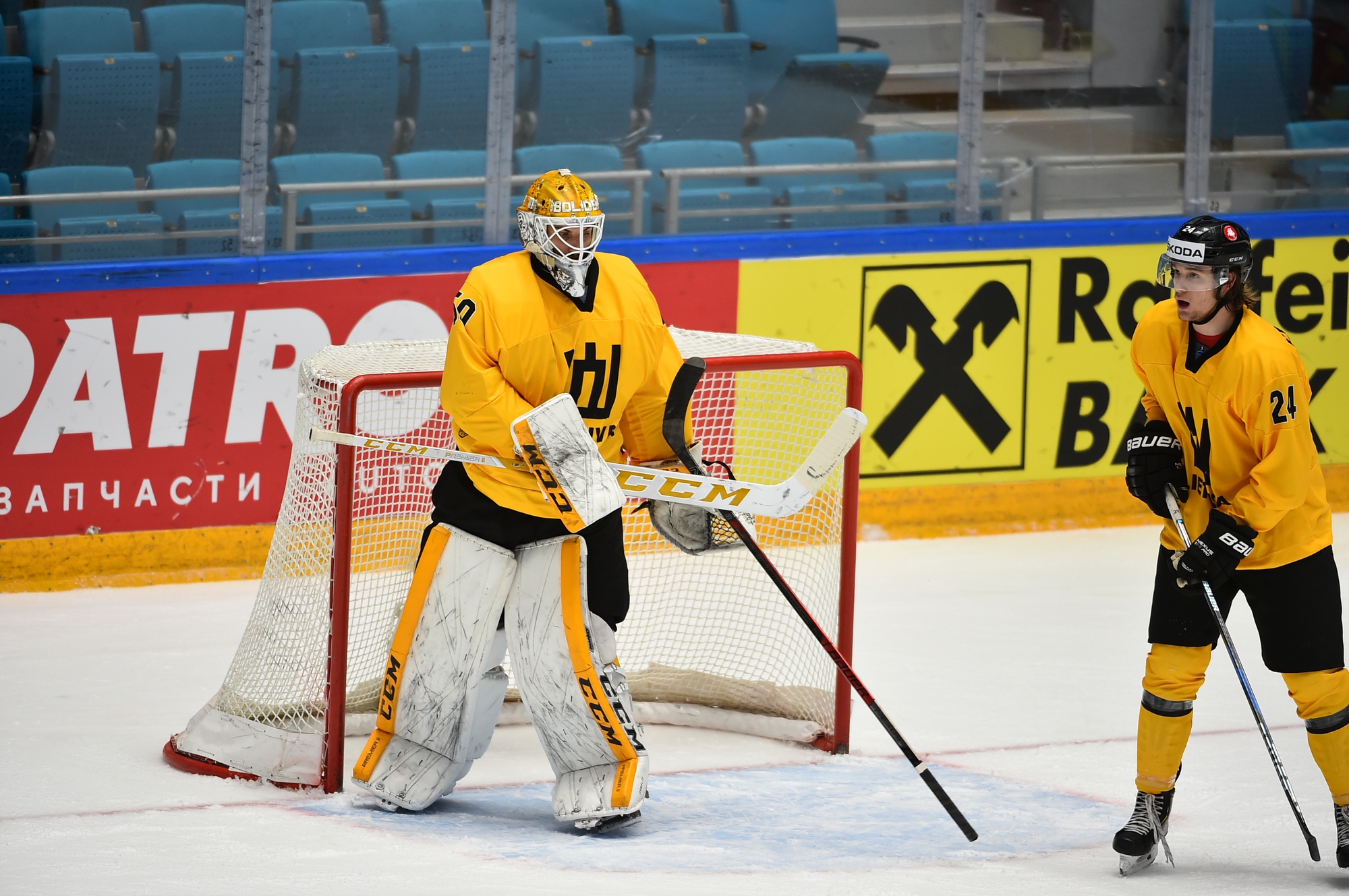 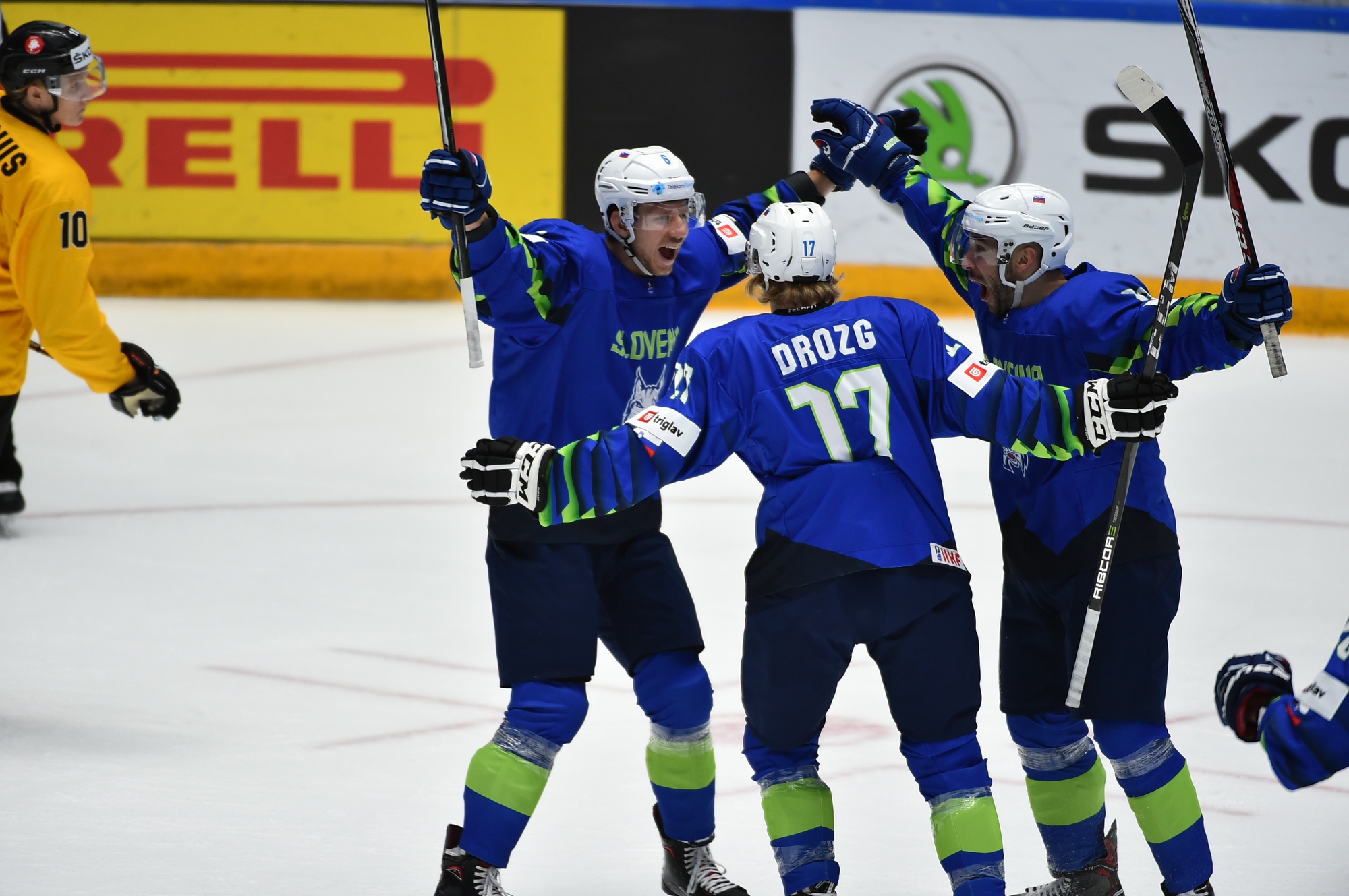 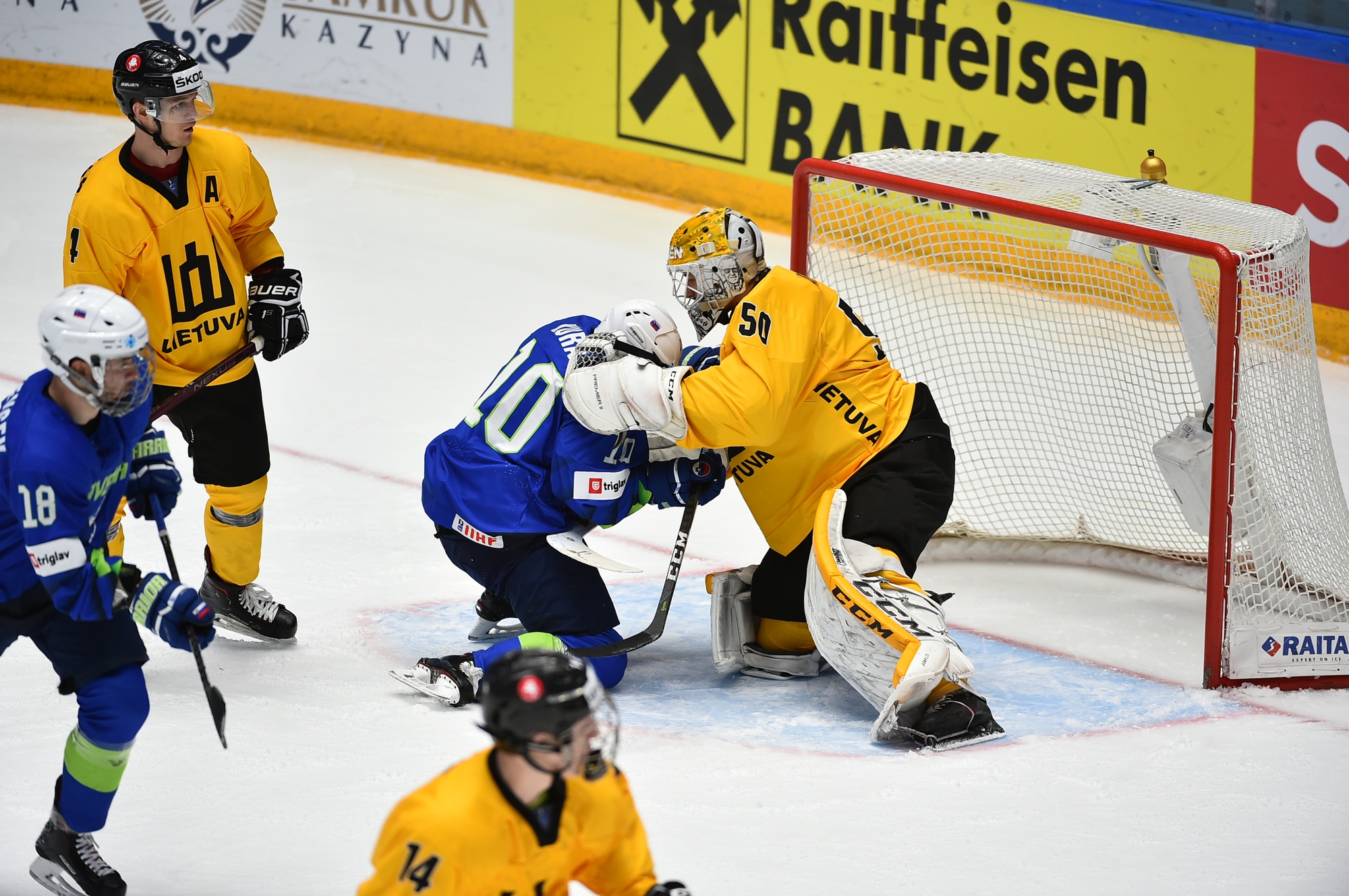 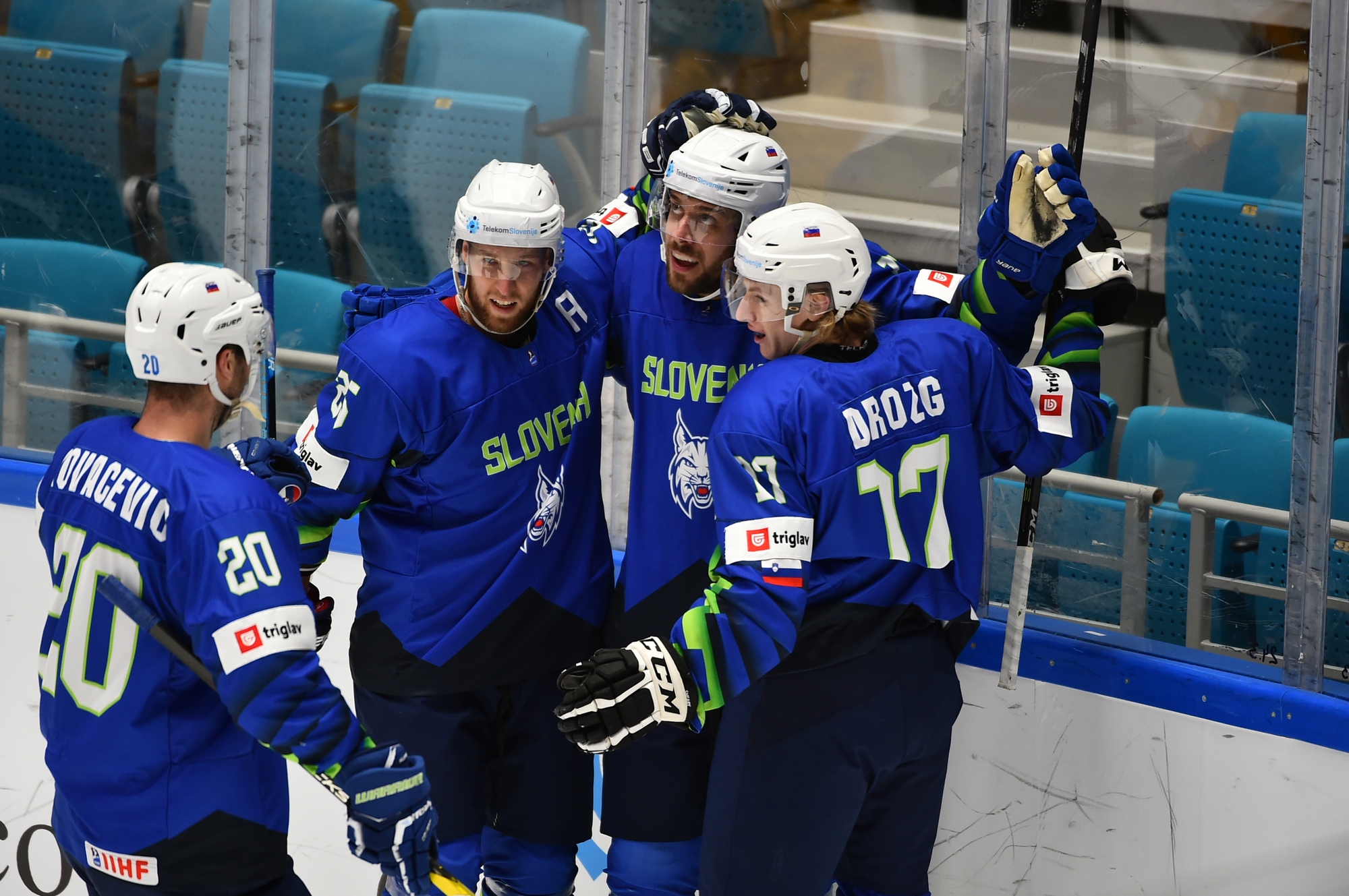 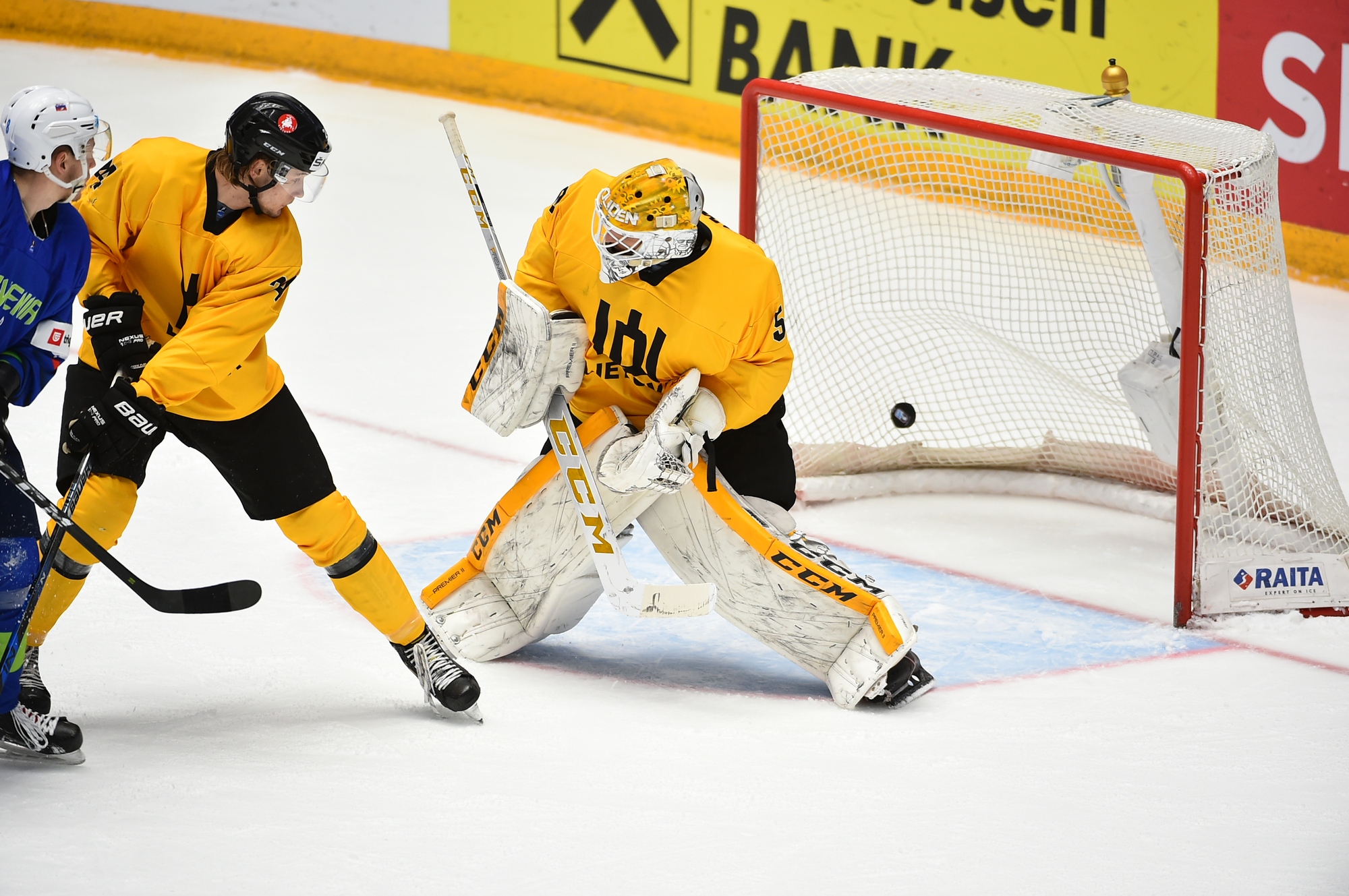 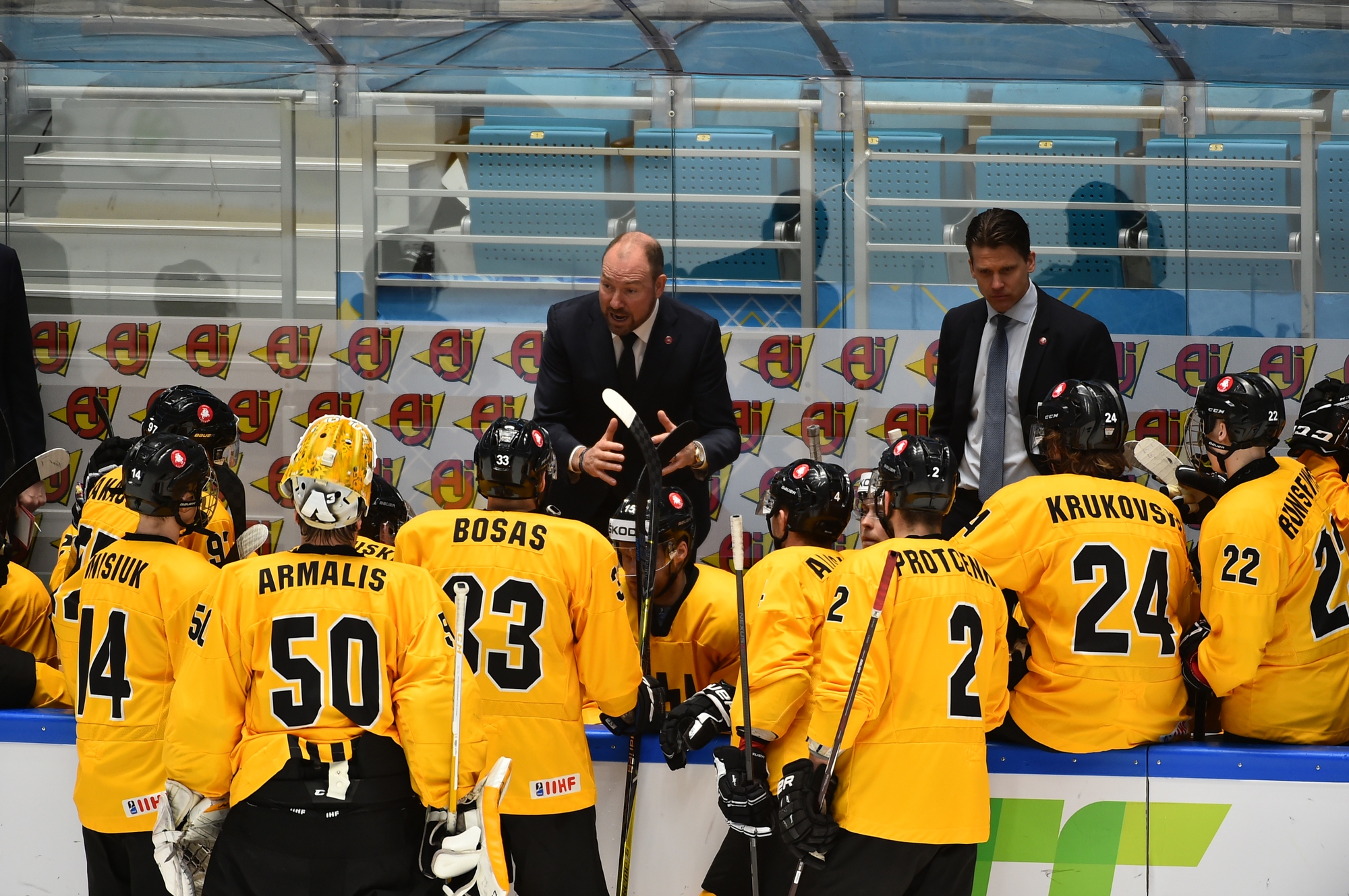 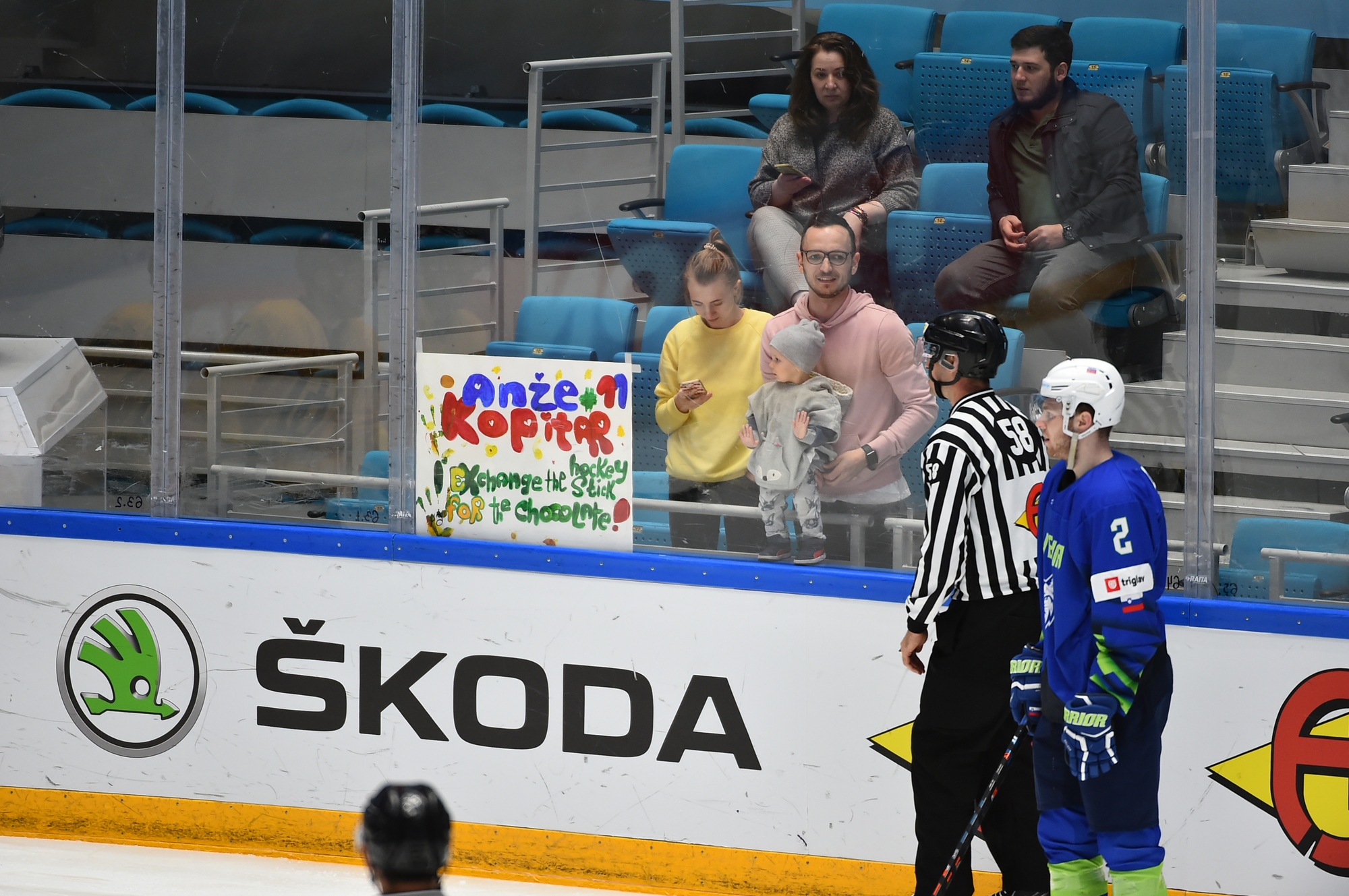 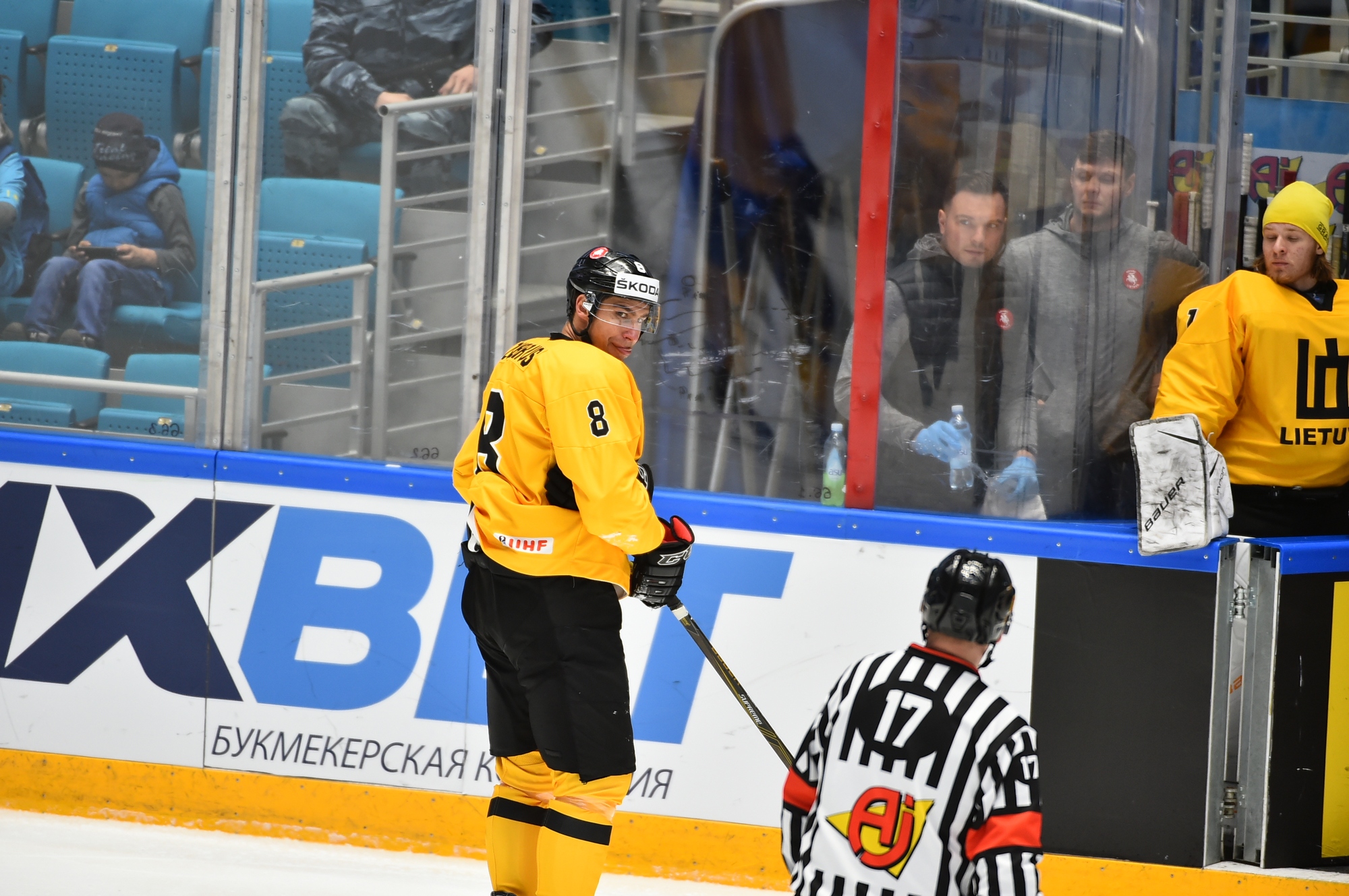 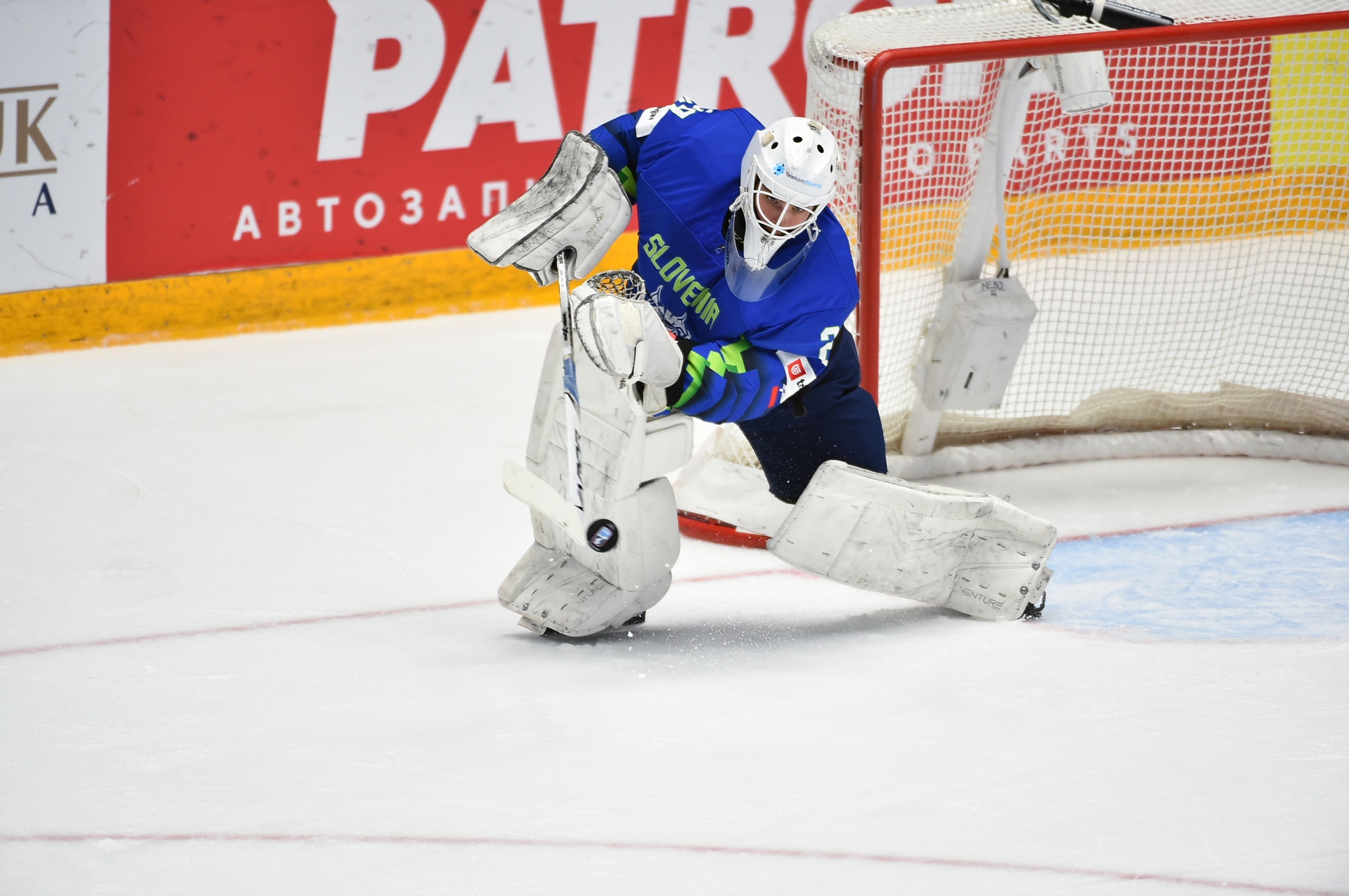 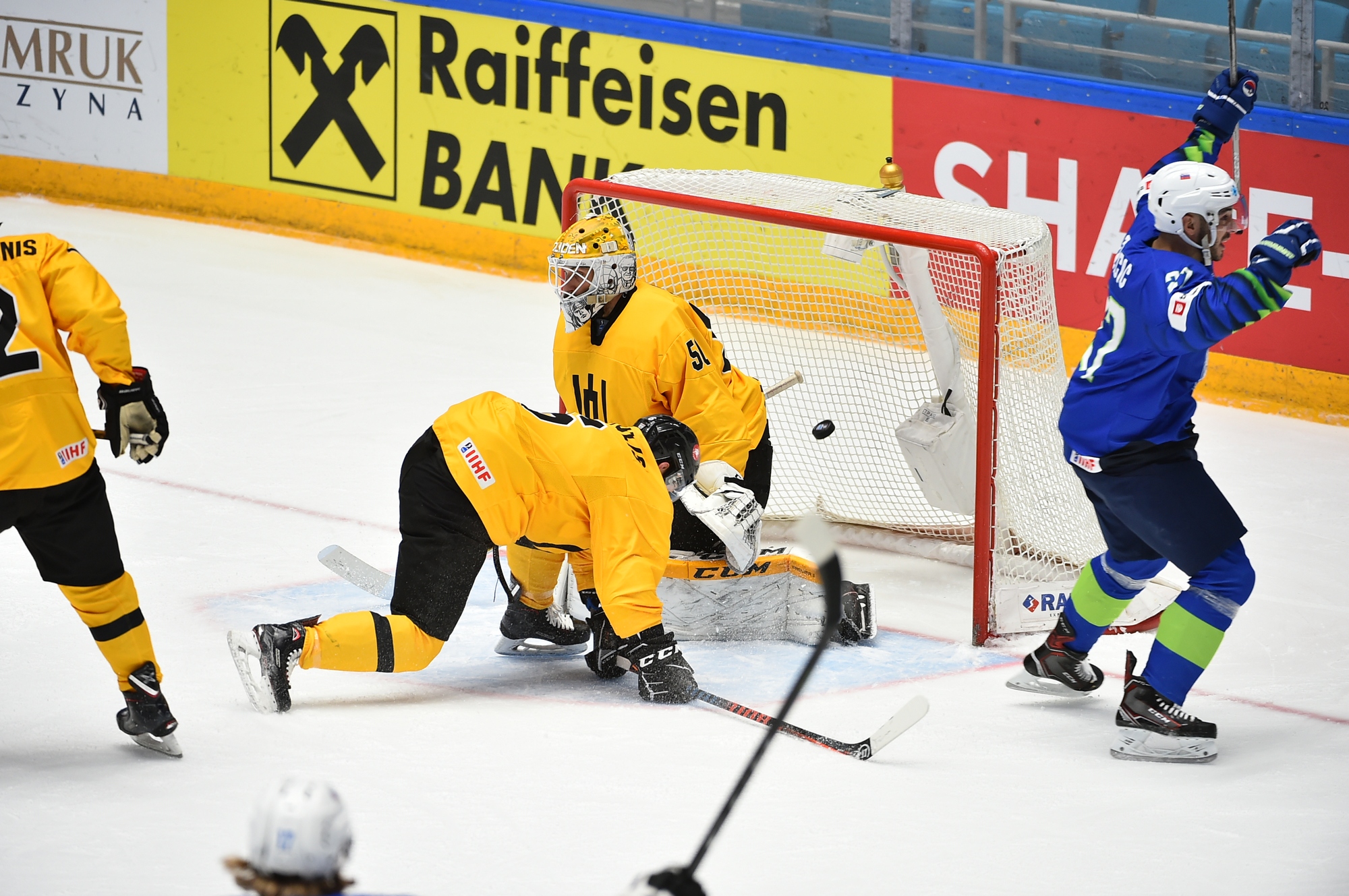 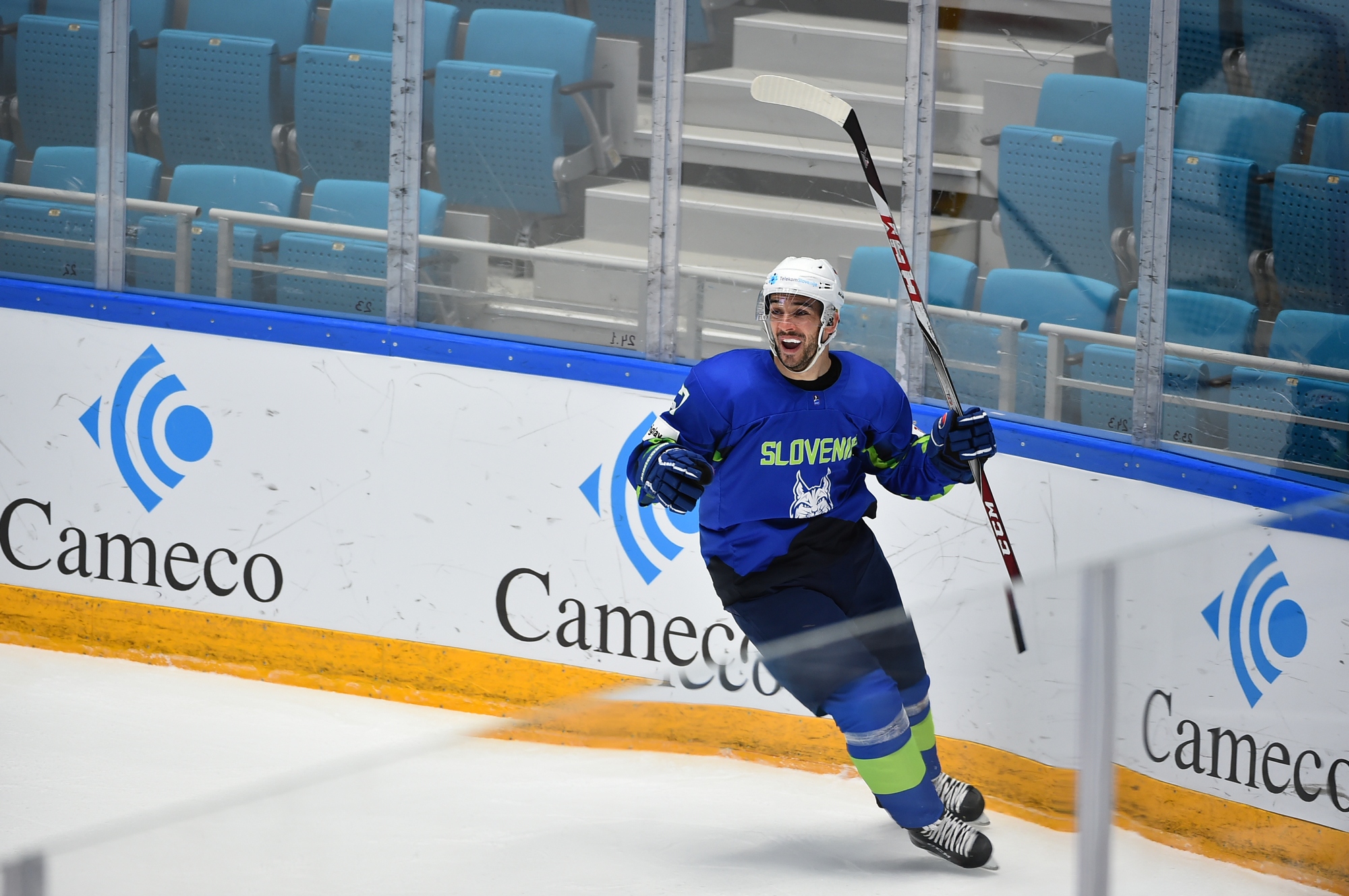 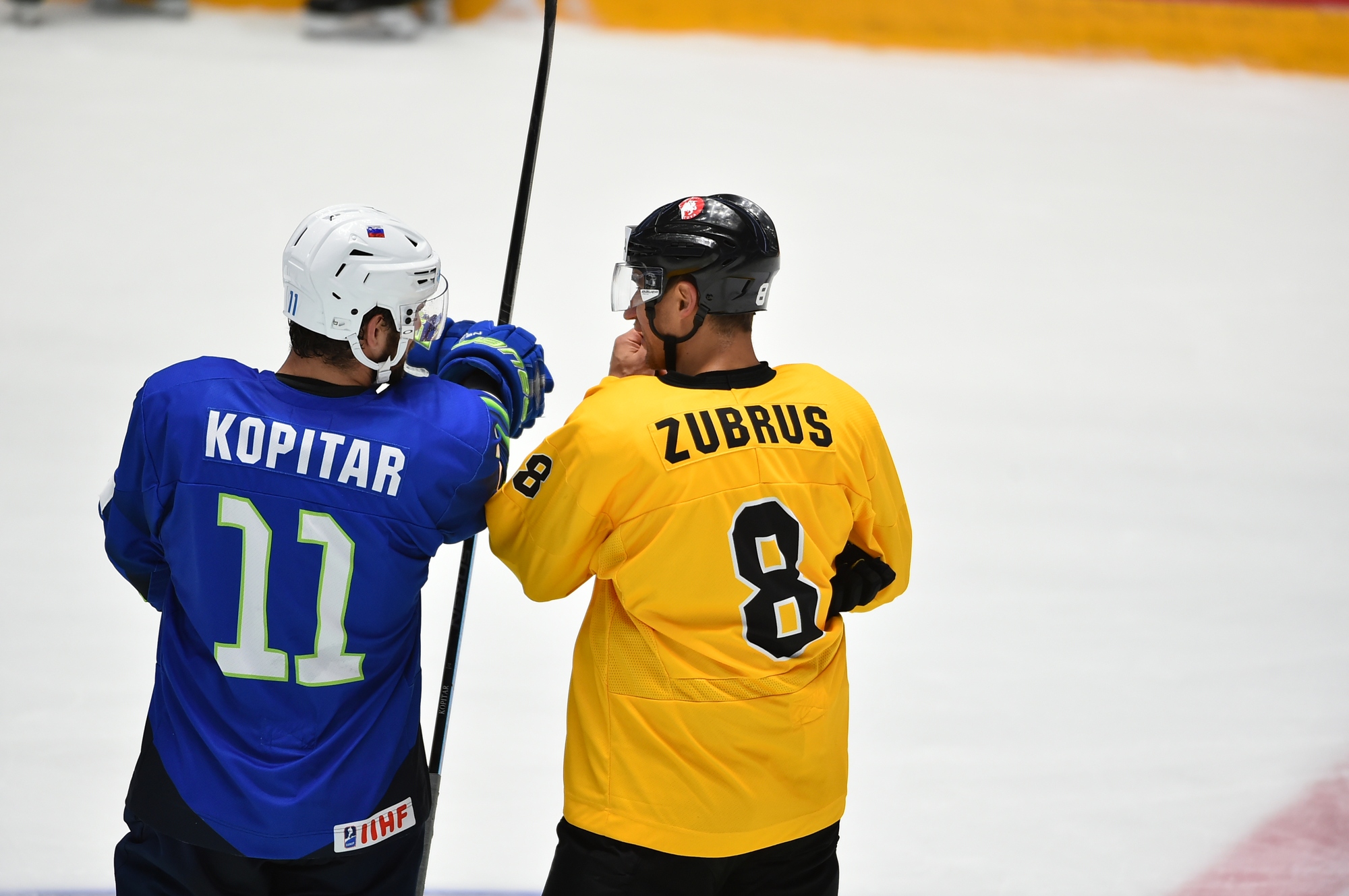 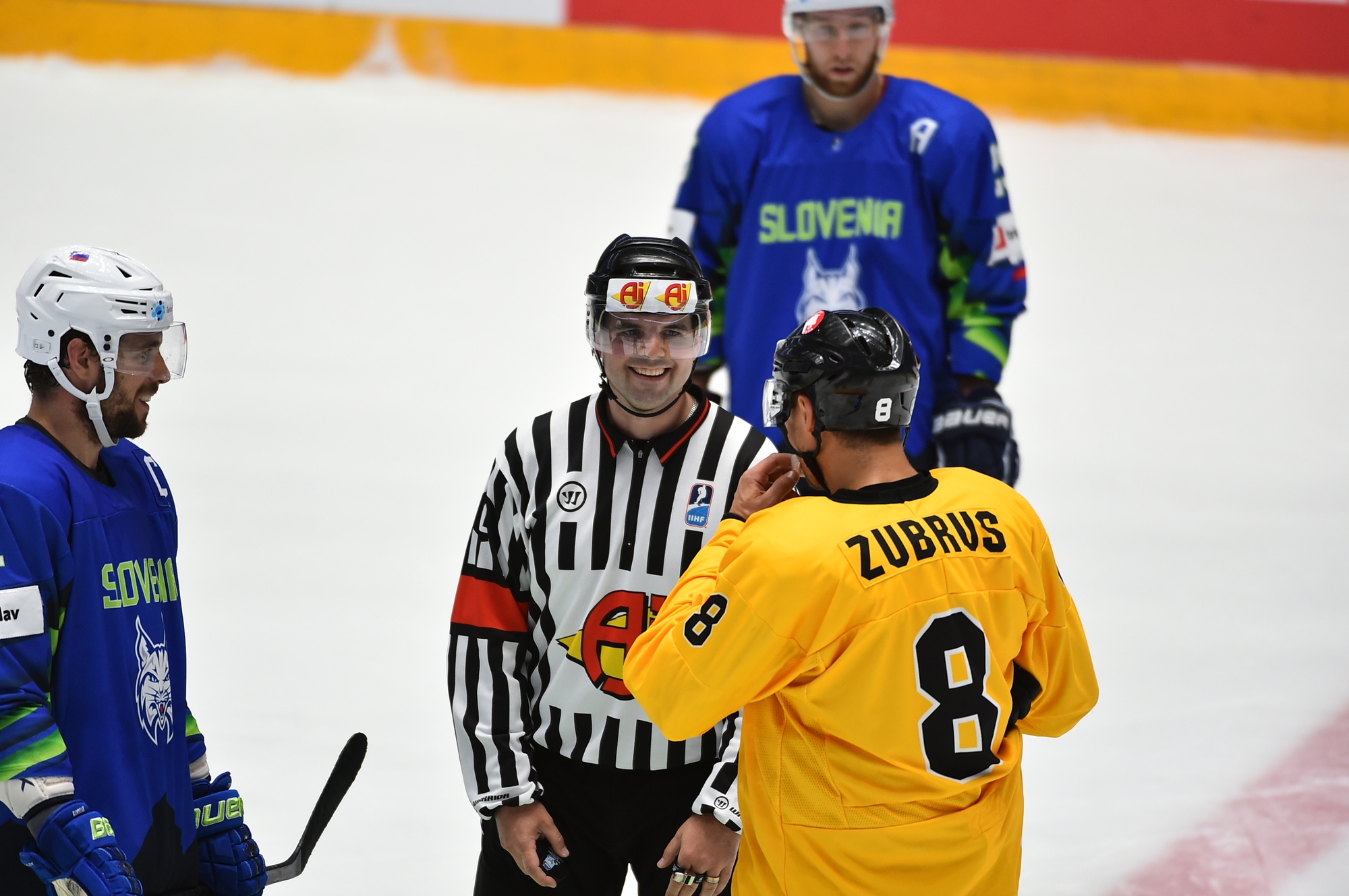 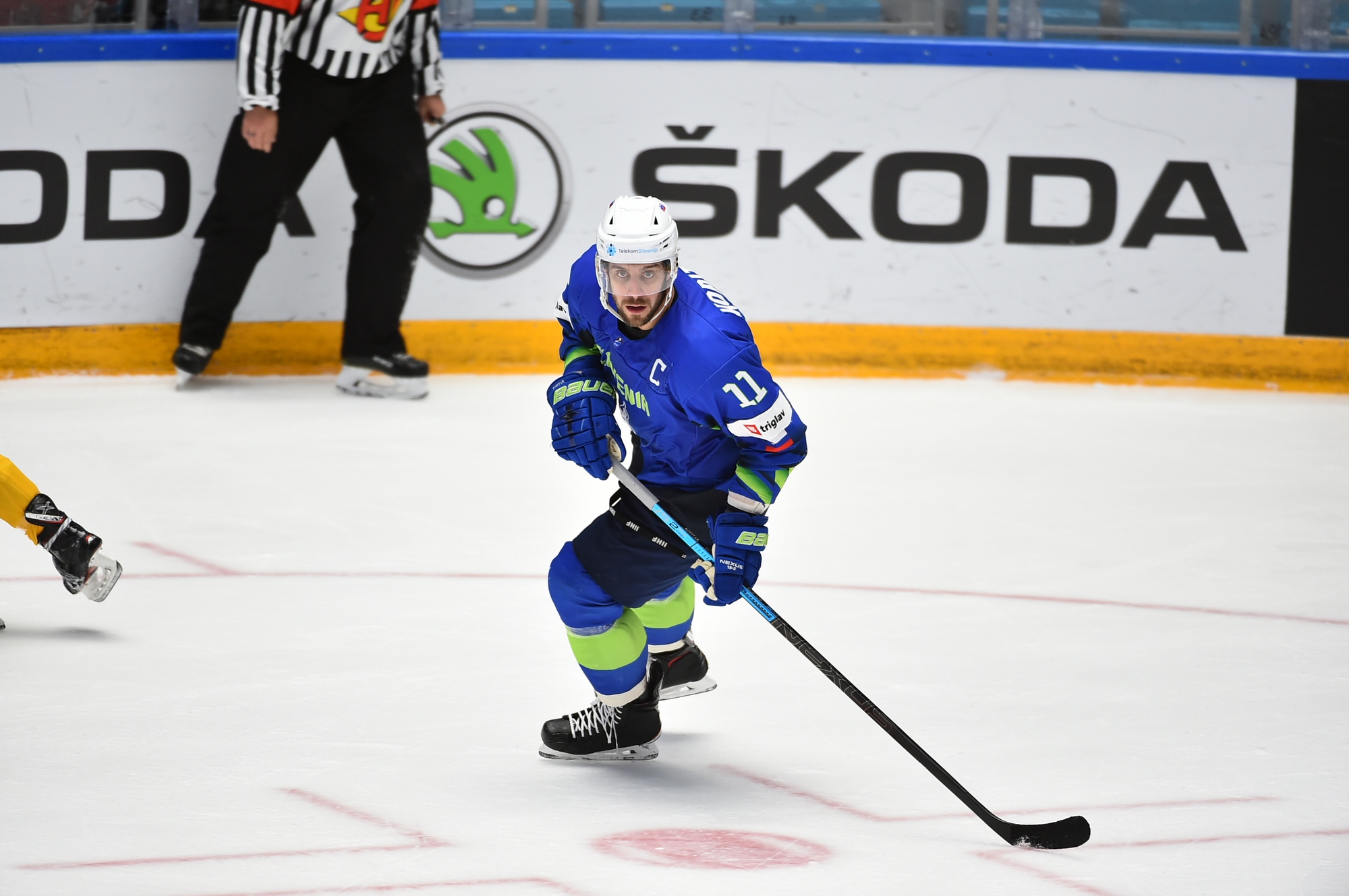 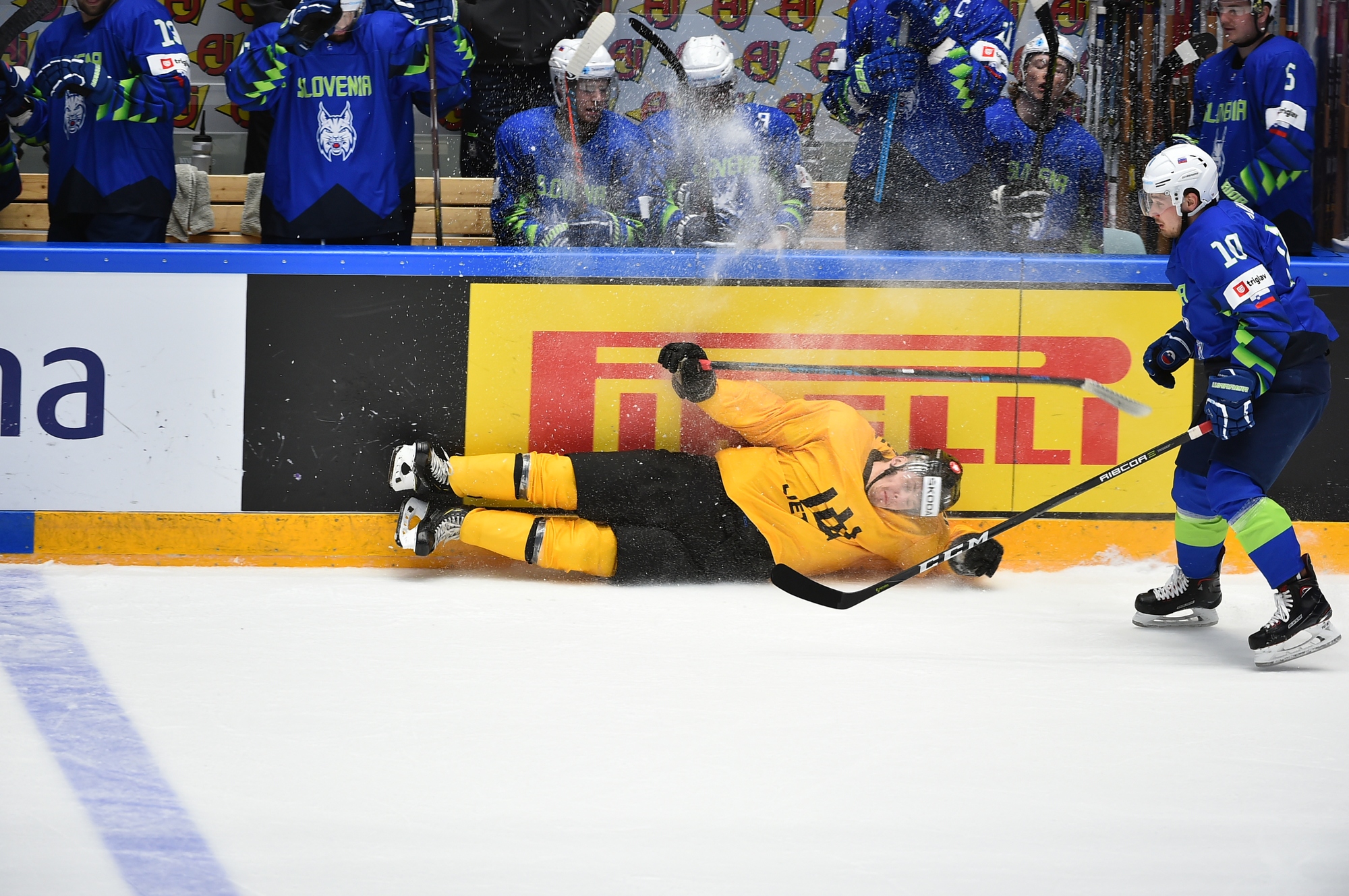 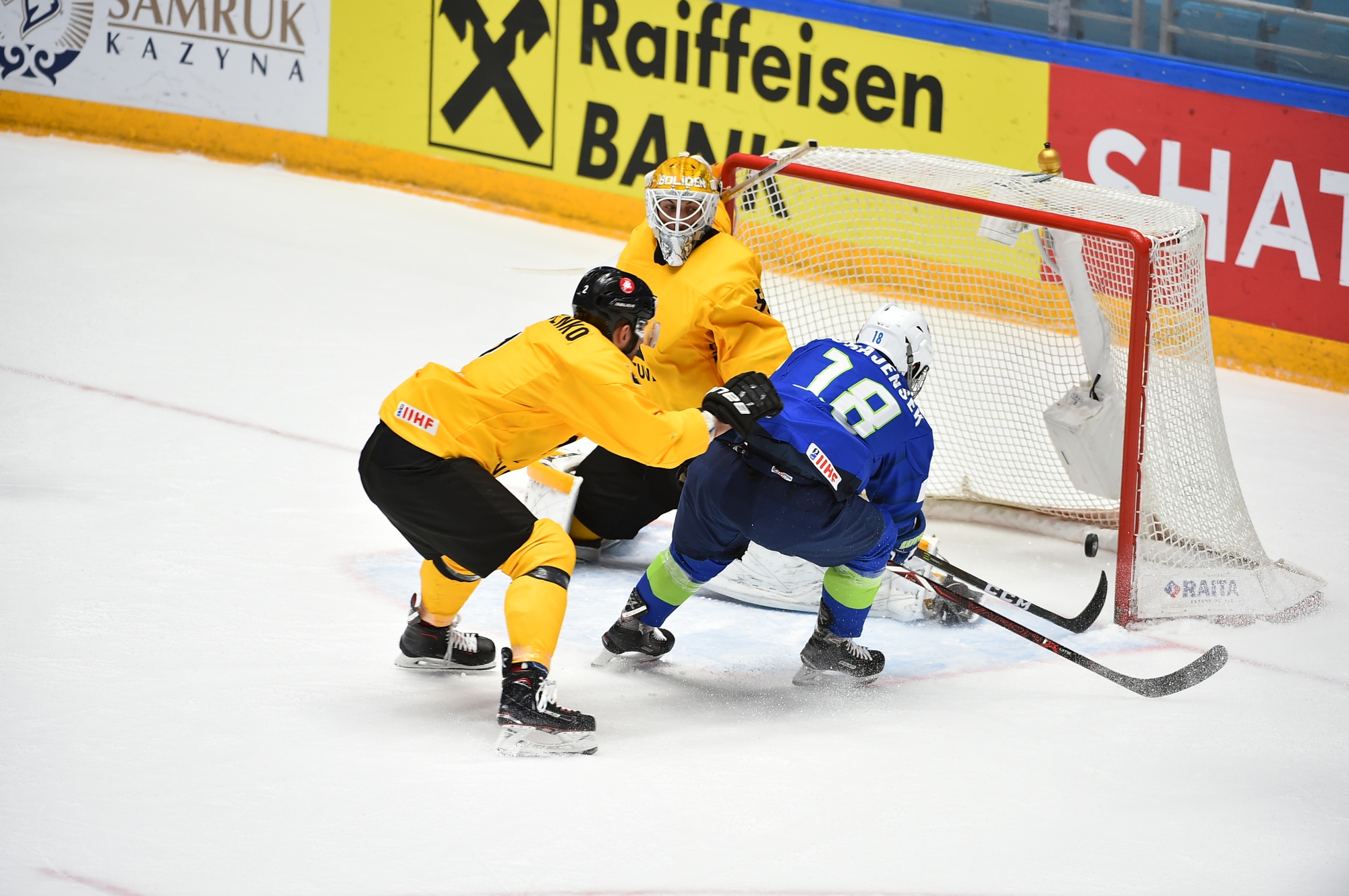