Belarus earns third win
Yegor Sharangovich scored Belarus’ first goal of the games on Slovenian goaltender Luka Gracnar.
photo: Marat Akimzhanov
share
Belarus, as host of the 2021 IIHF Ice Hockey World Championship, wants to get back to the top division as fast as possible – and they’re on a good way. The 4-1 win against Slovenia was their third win in as many games at the 2019 IIHF Ice Hockey World Championship Division I Group A.

“The game was so tight, we were a bit nervous, but we got the result we wanted. Our penalty kill was good. We had eight minutes in the second period. After that our confidence was built up,” said Geoff Platt, who had one goal and an assist for Belarus. “The games ahead will determine whether we will go up or not. We need to respect the opponents ahead of us.”

Belarus entered the game like it played the two before: with offensive power. The Belarusians outshot Slovenia 11-3 in the first period and got the deserved 1-0 lead thanks to a goal from Yegor Sharangovich.

During the first power play of the game Sharangovich was free at the right face-off dot to sent off a precise shot that beat Luka Gracnar in the Slovenian net.
World Men
Belarus vs. Slovenia - 2019 IIHF Ice Hockey World Championship Division I Group A
Belarus also beat Slovenia, 4-1, at the Division IA in Kazakhstan. With 3 wins in as many games, the Belarusians get one step closer to promotion.
BLR SLO 02 MAY 2019
In the second period the Slovenes changed up a gear. They had slightly more (8-7) but the significantly better scoring chances of the period also because Belarus took four minor penalties and the Slovenes none.

“The penalty kill was the main thing. If the opponent would have scored it could have turned out differently,” said Belarus head coach Andrei Sidorenko. “The players played with character, waited their moment and stayed sharp until the end of the game.”

With the second power play soon to expire the Slovenes had their best opportunity. At 11:55 a shot from Robert Sabolic slid towards the goal line but Kristian Khenkel saved it on the line. The situation was reviewed and since the puck needs to cross the line entirely the no-goal decision stayed. It was a few milimetres that saved Belarus its narrow 1-0 lead after two periods.

“The second period was a big reason we didn’t win. We had a lot of power plays and failed to convert. If we had taken the lead there, it would have been a lot easier to go into the third period,” Slovenian captain Anze Kopitar said. “We have to win the next games if we don’t want to be relegated.”

In the third period Sabolic and his team were finally rewarded for their effort. Sabolic got the puck at the blue line from David Rodman, skated to the Belarusian net and beat Dmitri Milchakov to the left. At 3:30 of the third period the game was again fully open.

However, the Belarusians regained the lead only two minutes later. The Slovenes lost the puck behind their own net, Platt broke dangerously to the net from the right side and saw his shot blocked but Oleg Yevenko converted the rebound.

It was 2-1 for Belarus and for Slovenia the hunt for the game-tying goal started again. But that hunt became even more challenging when Platt made it 3-1 three-and-a-half minutes later.

“Belarus used their power play and after that we were pressing hard against them. They played smart, defensive hockey. Finally we managed to score on in the third period but a couple of mistakes cost us the second and third goal,” said Slovenian head coach Ivo Jan.

Artyom Demkov sealed the win for Belarus with his shot into the empty net with 71 seconds left.
Belarus vs. Slovenia - 2019 IIHF Ice Hockey World Championship Division I Group A 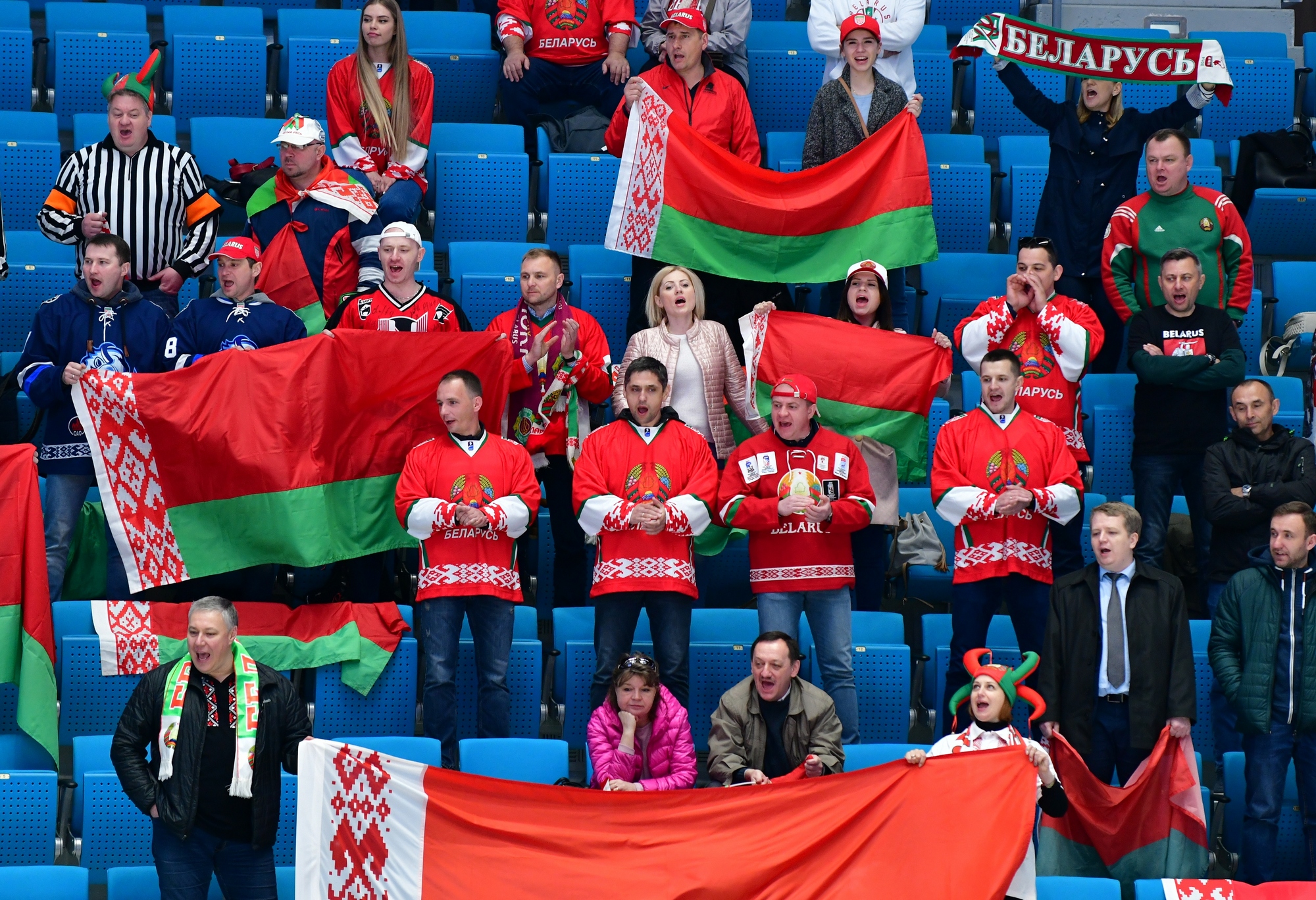 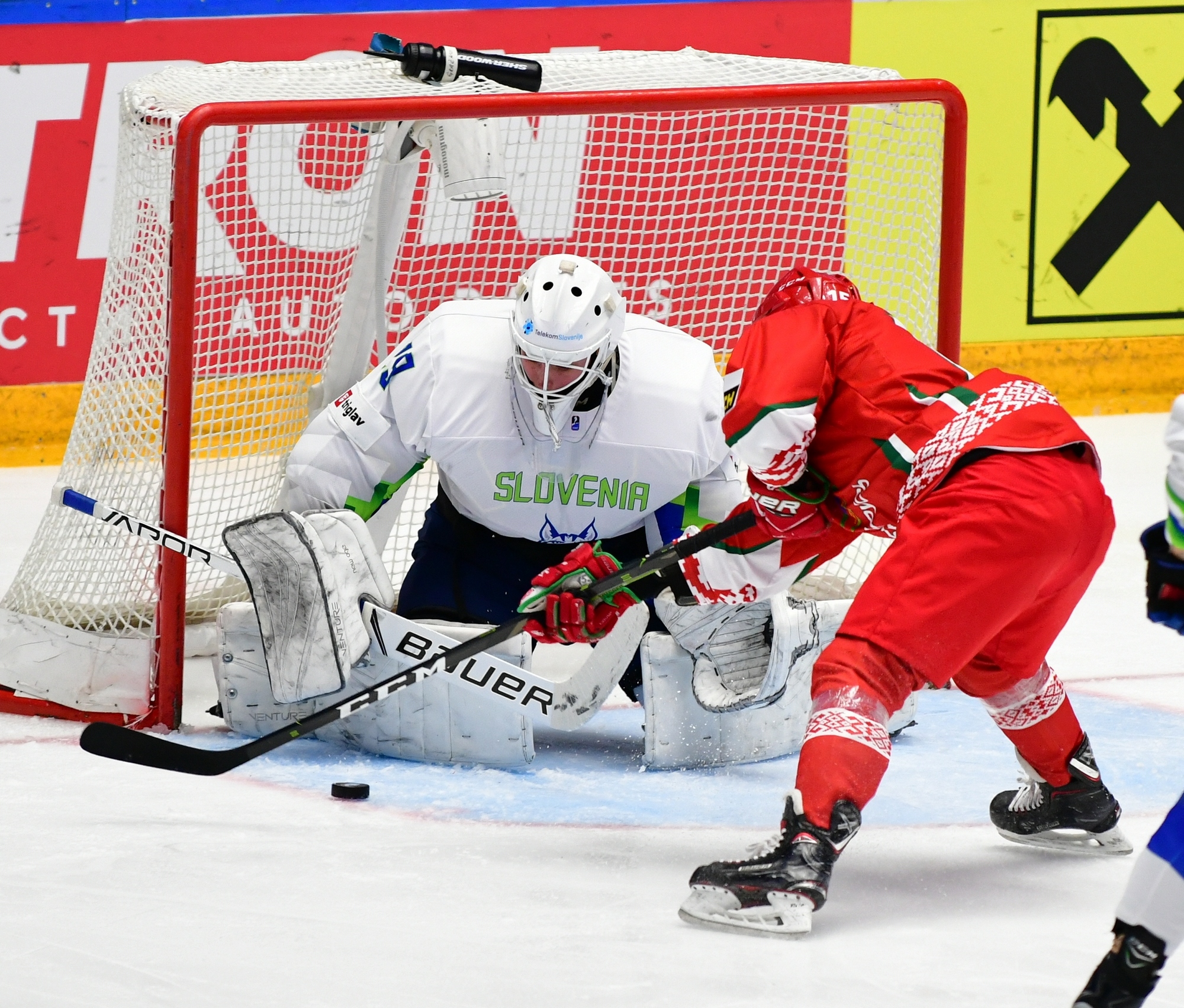 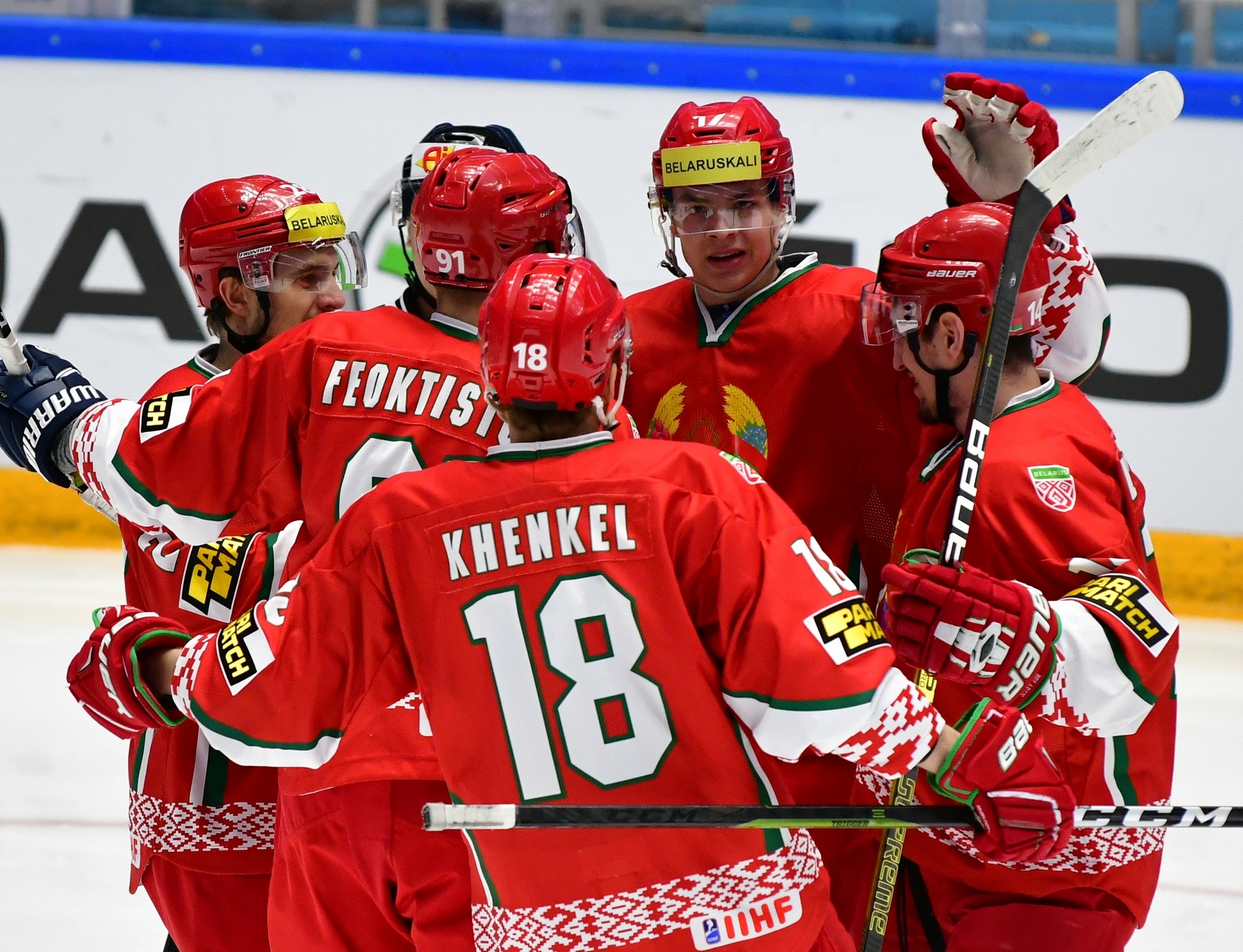 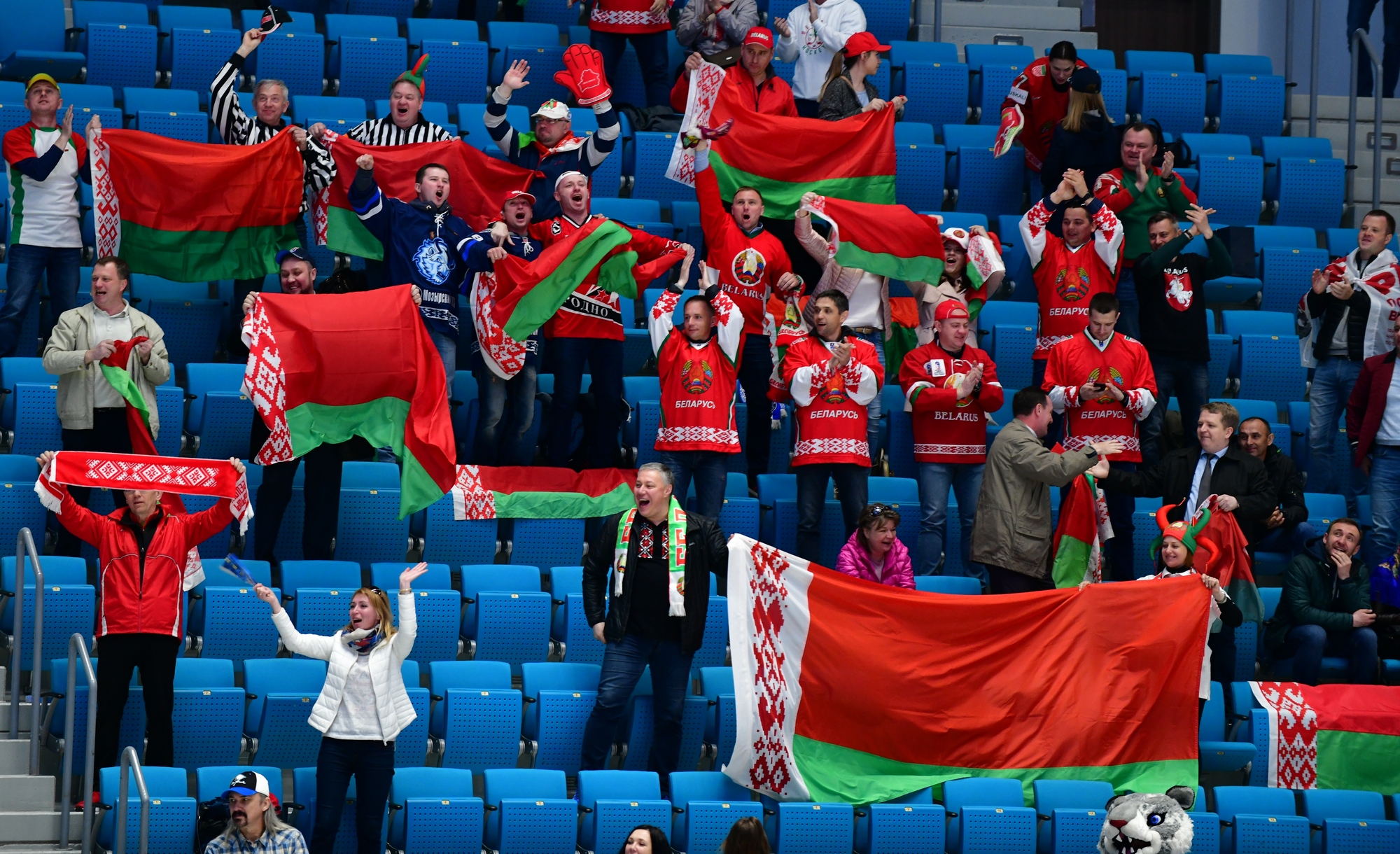 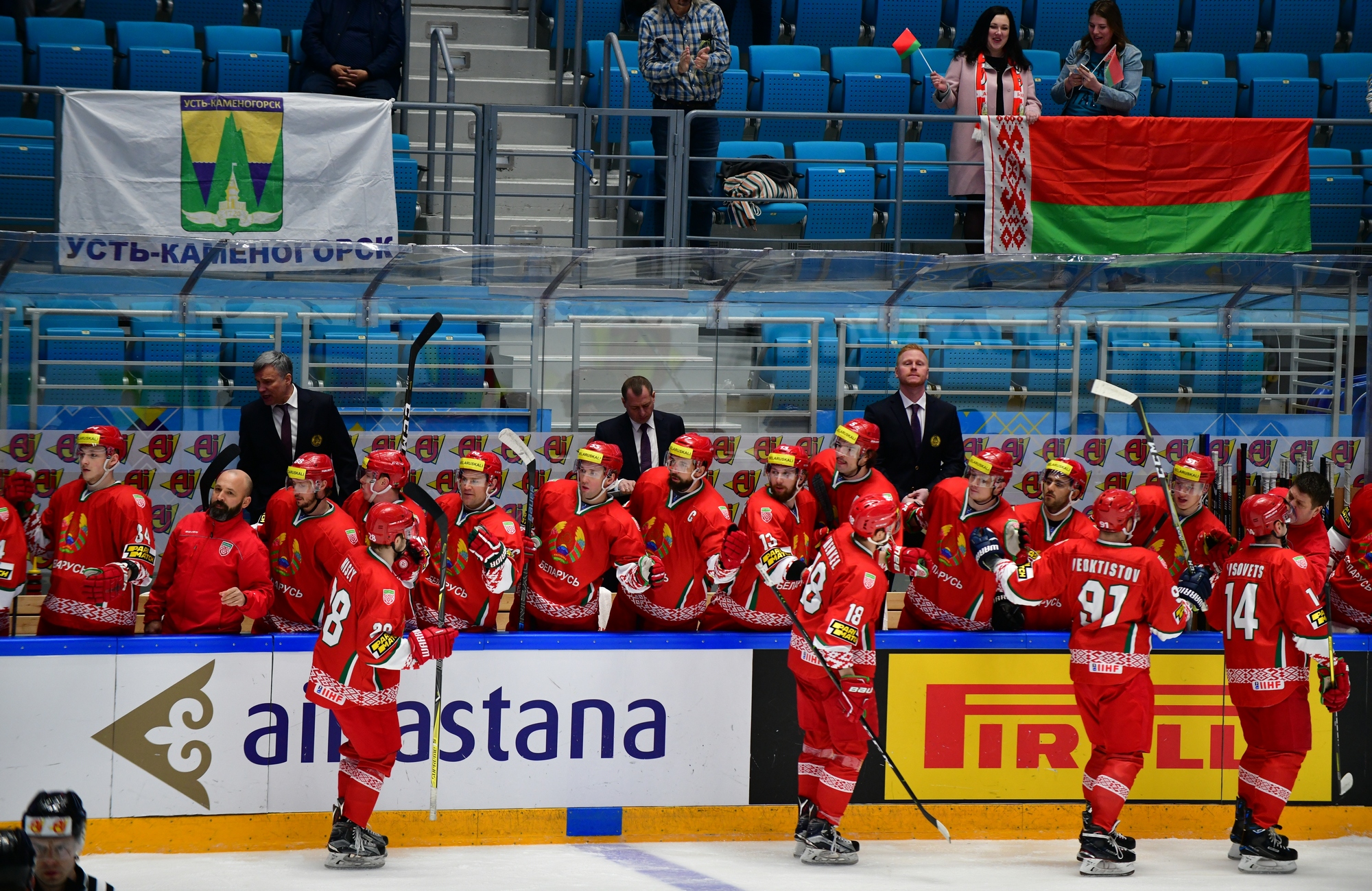 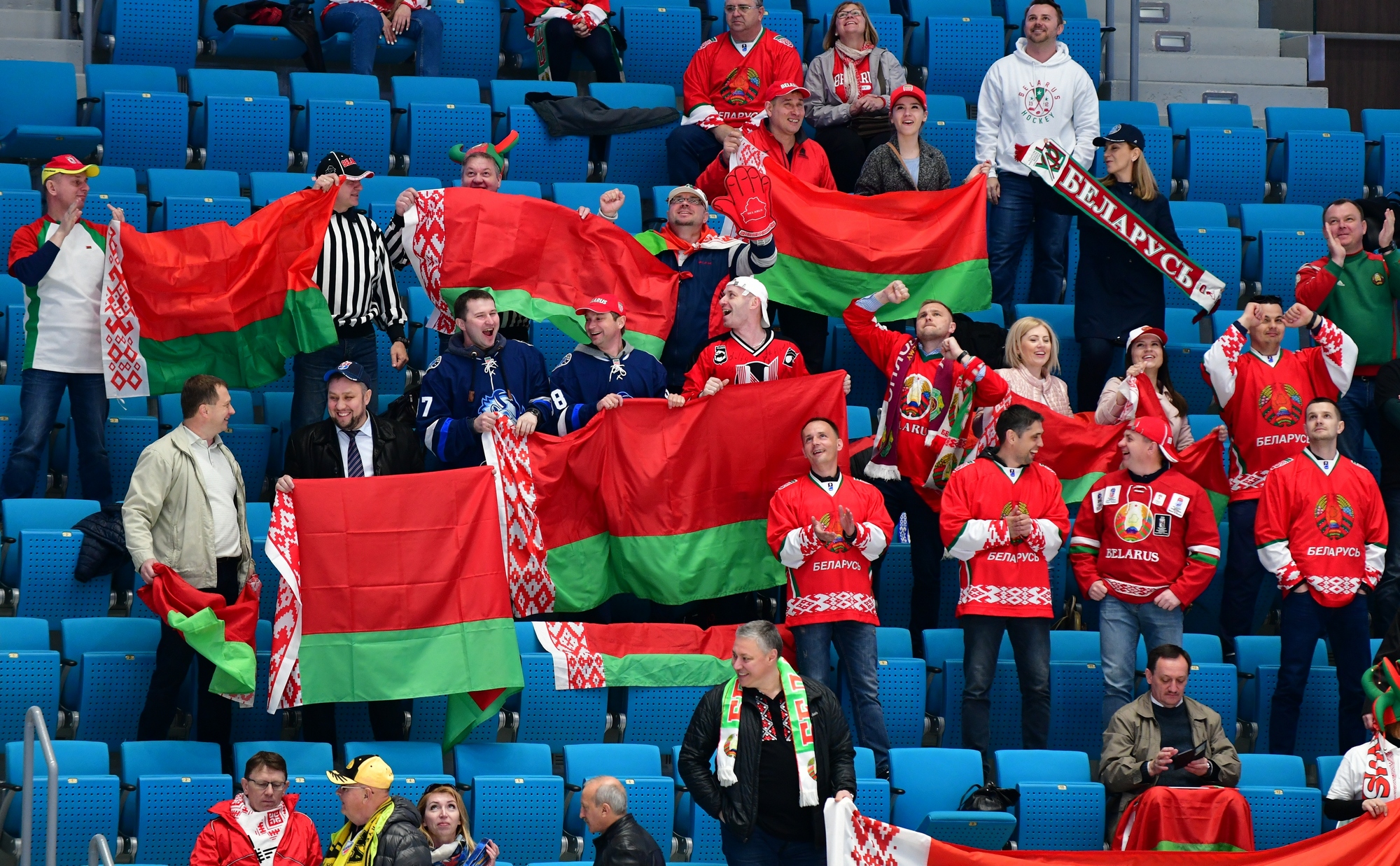 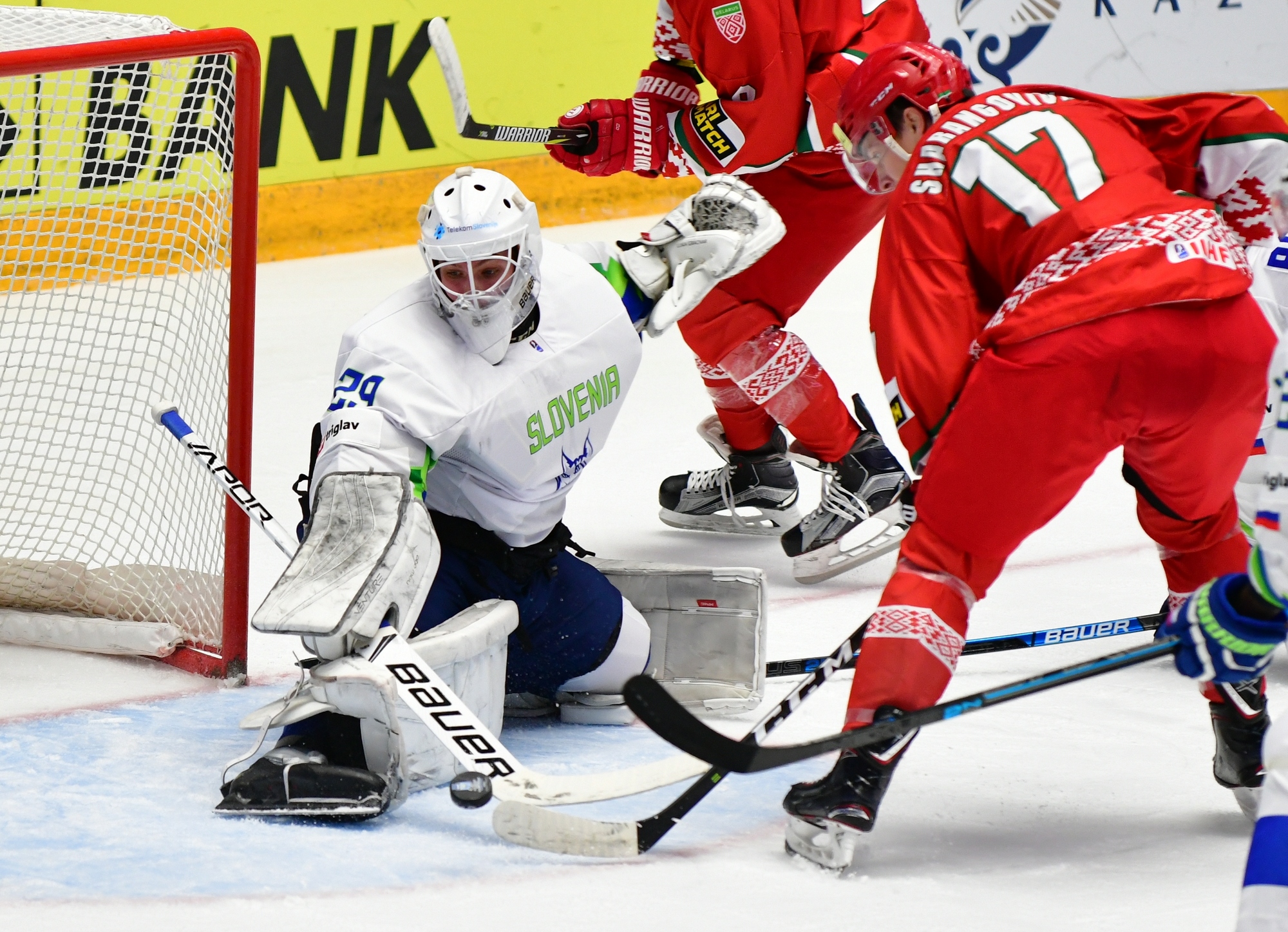 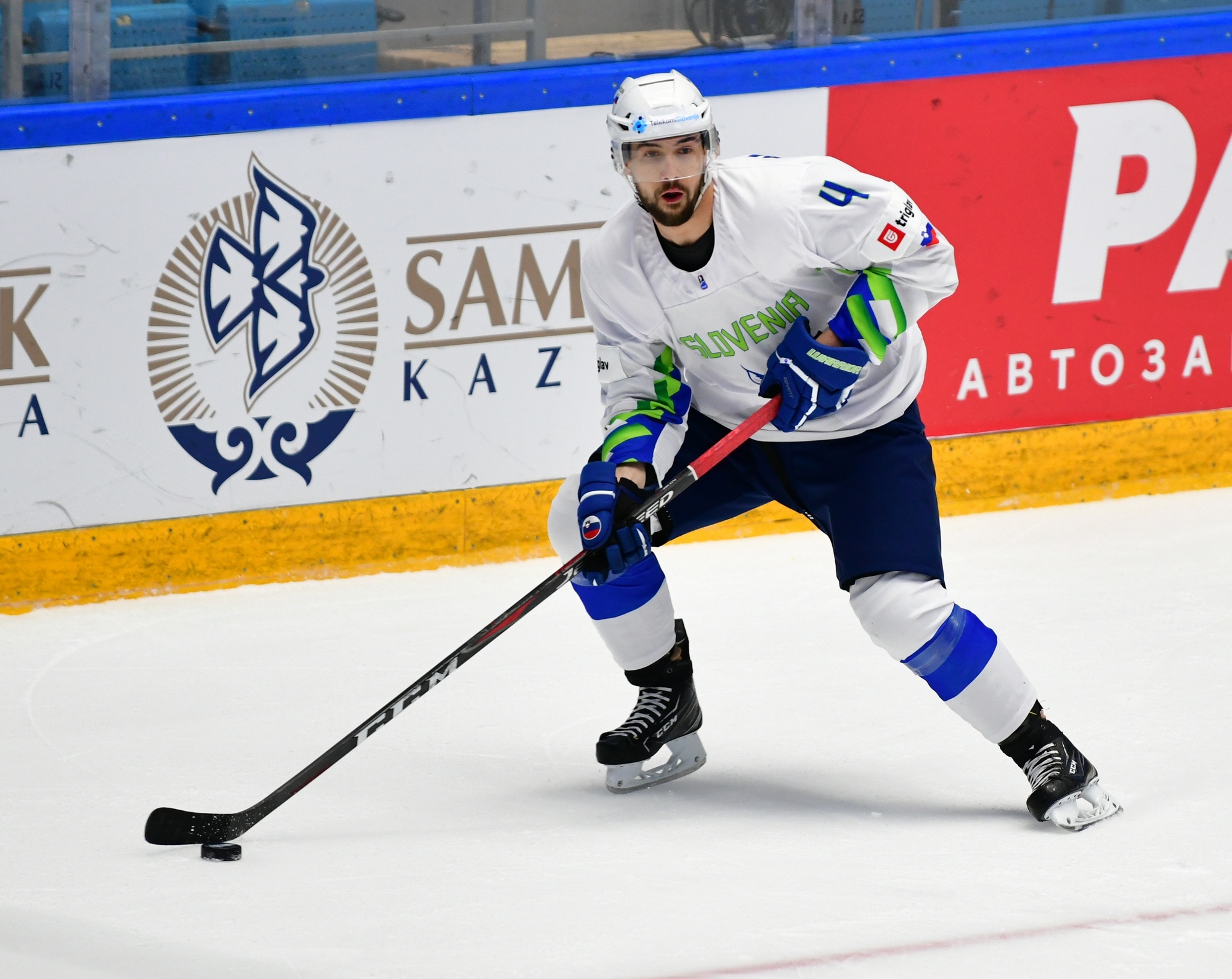 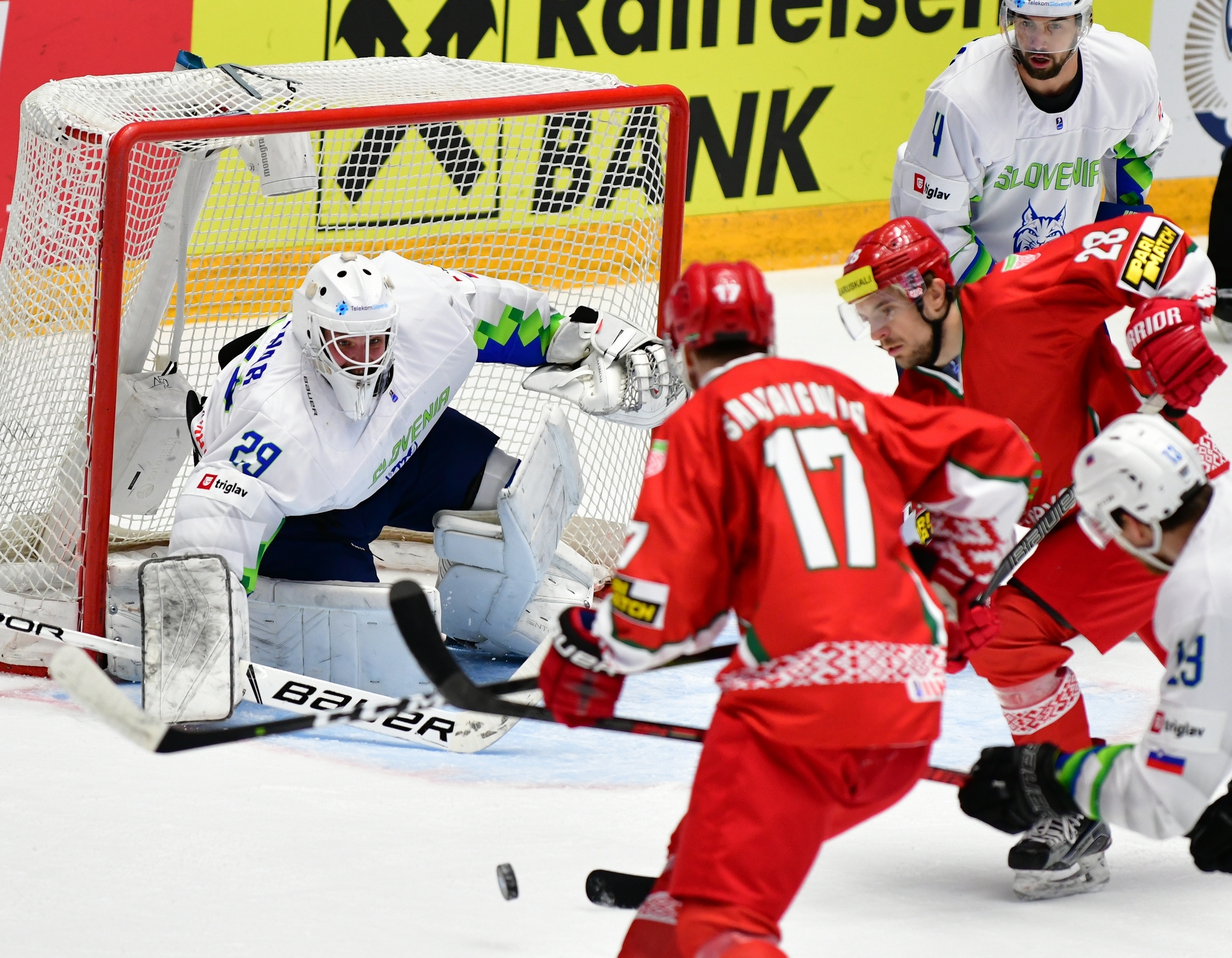 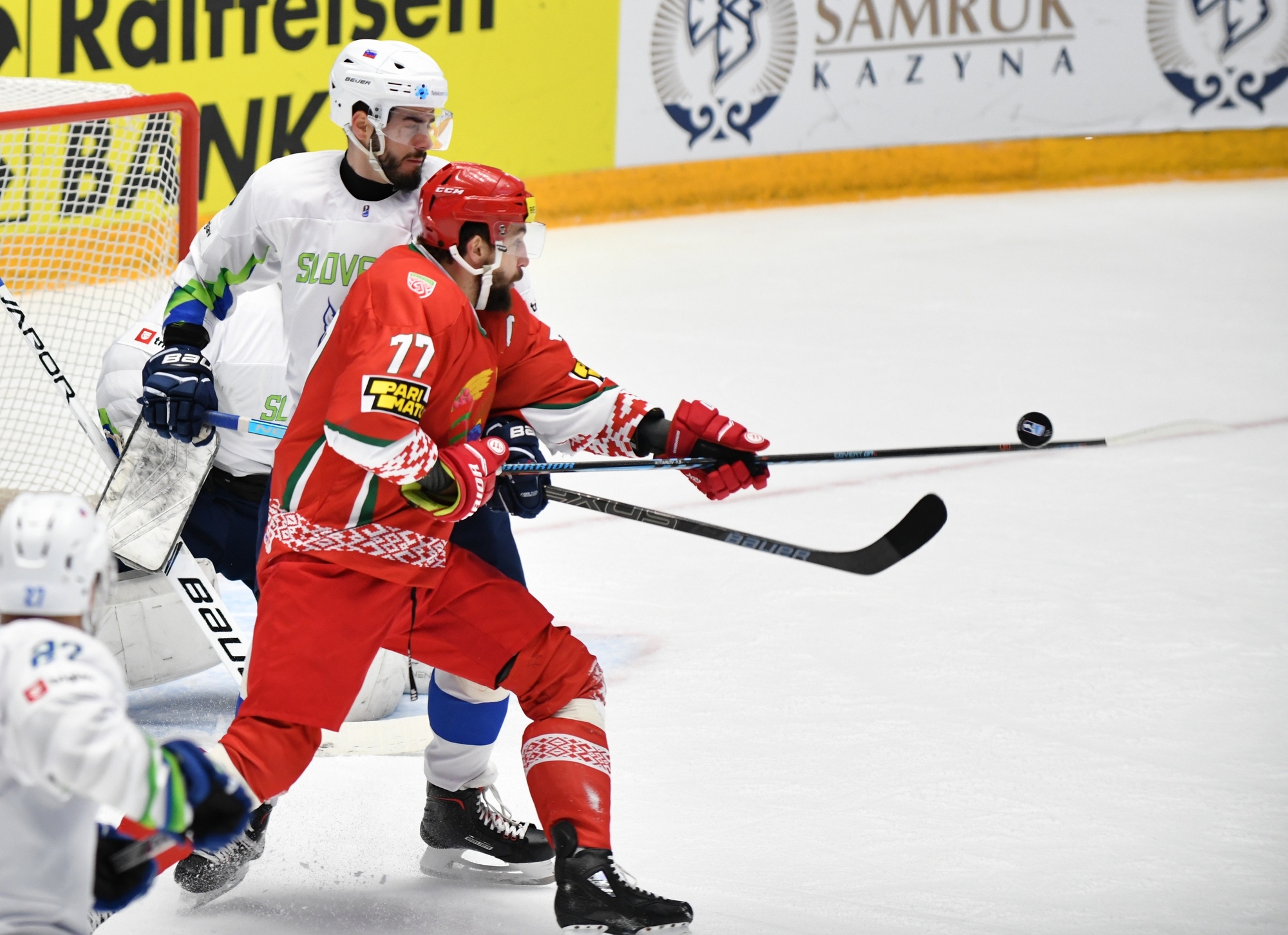 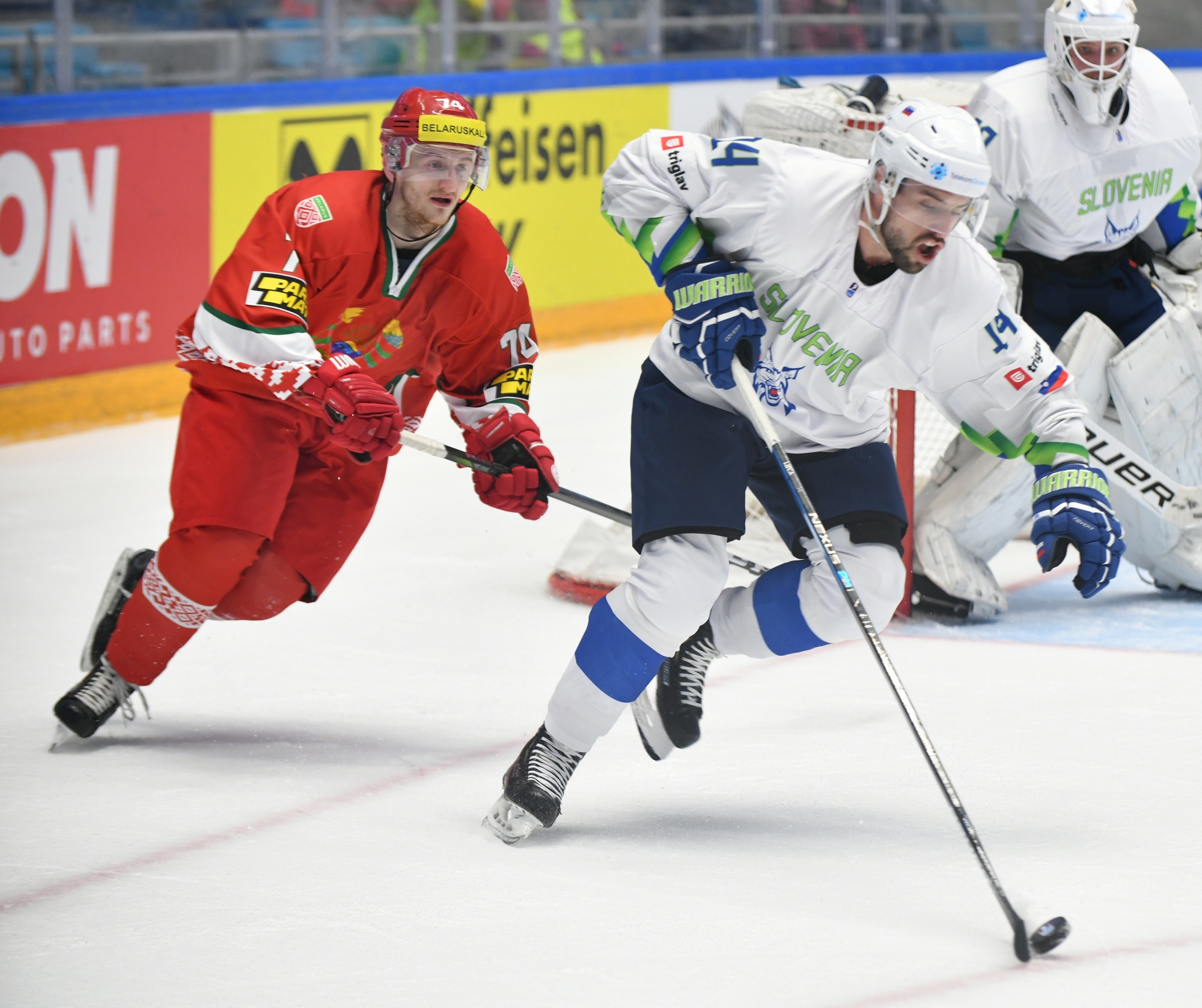 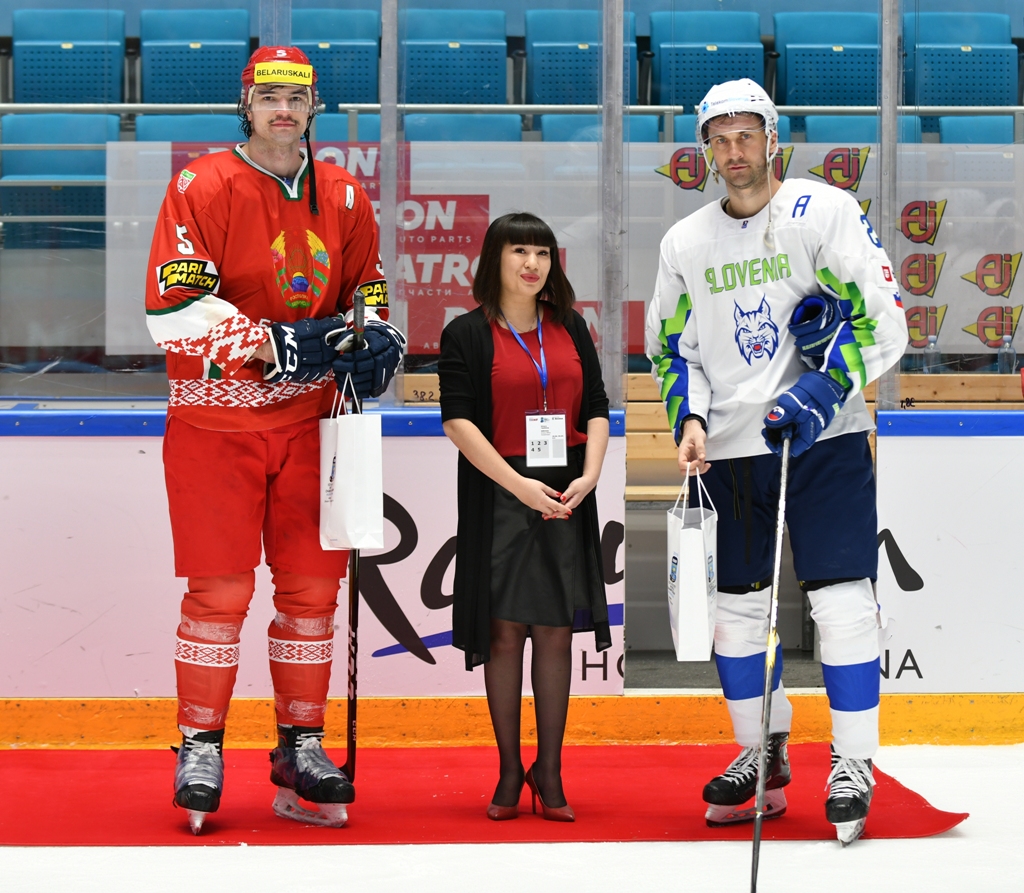 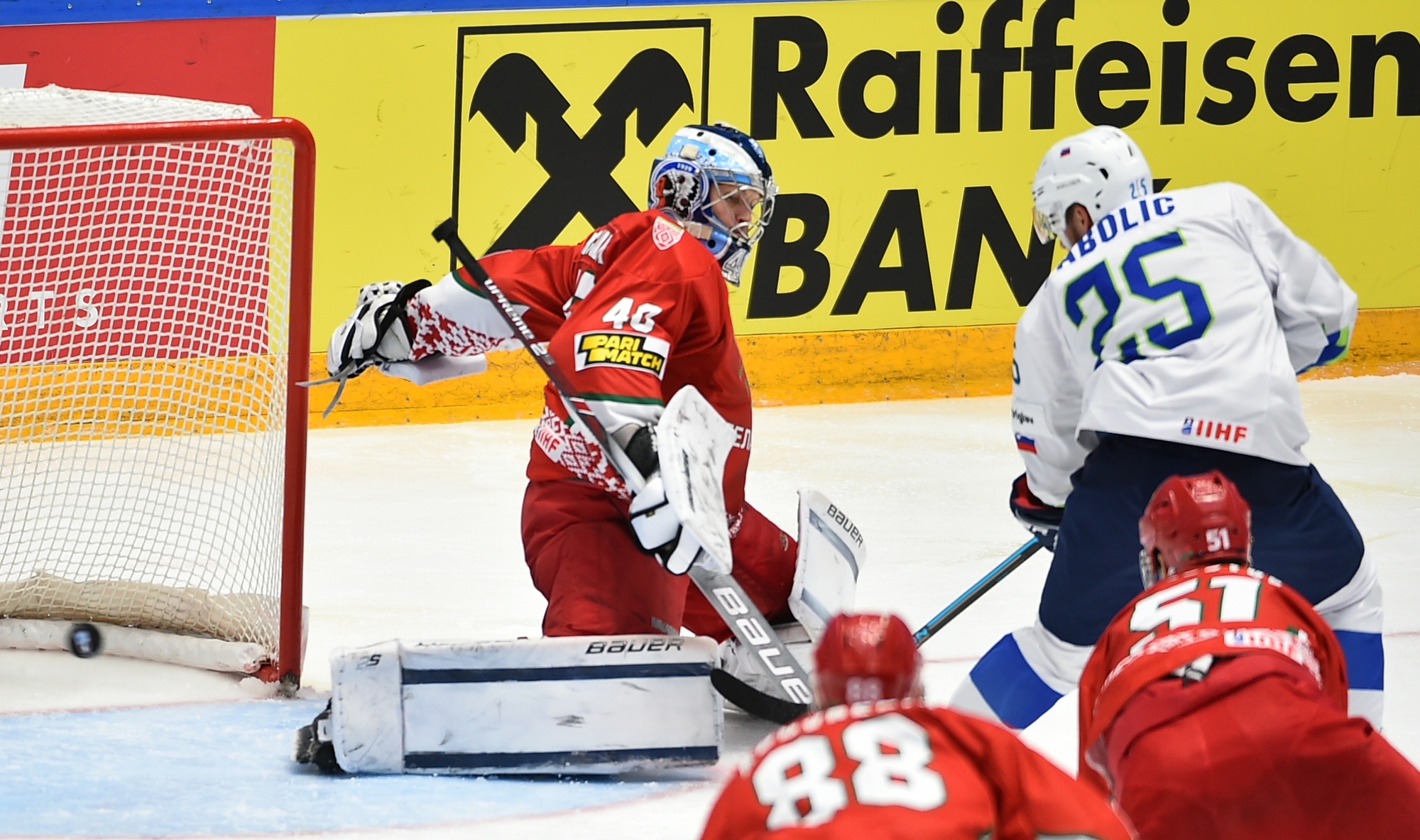 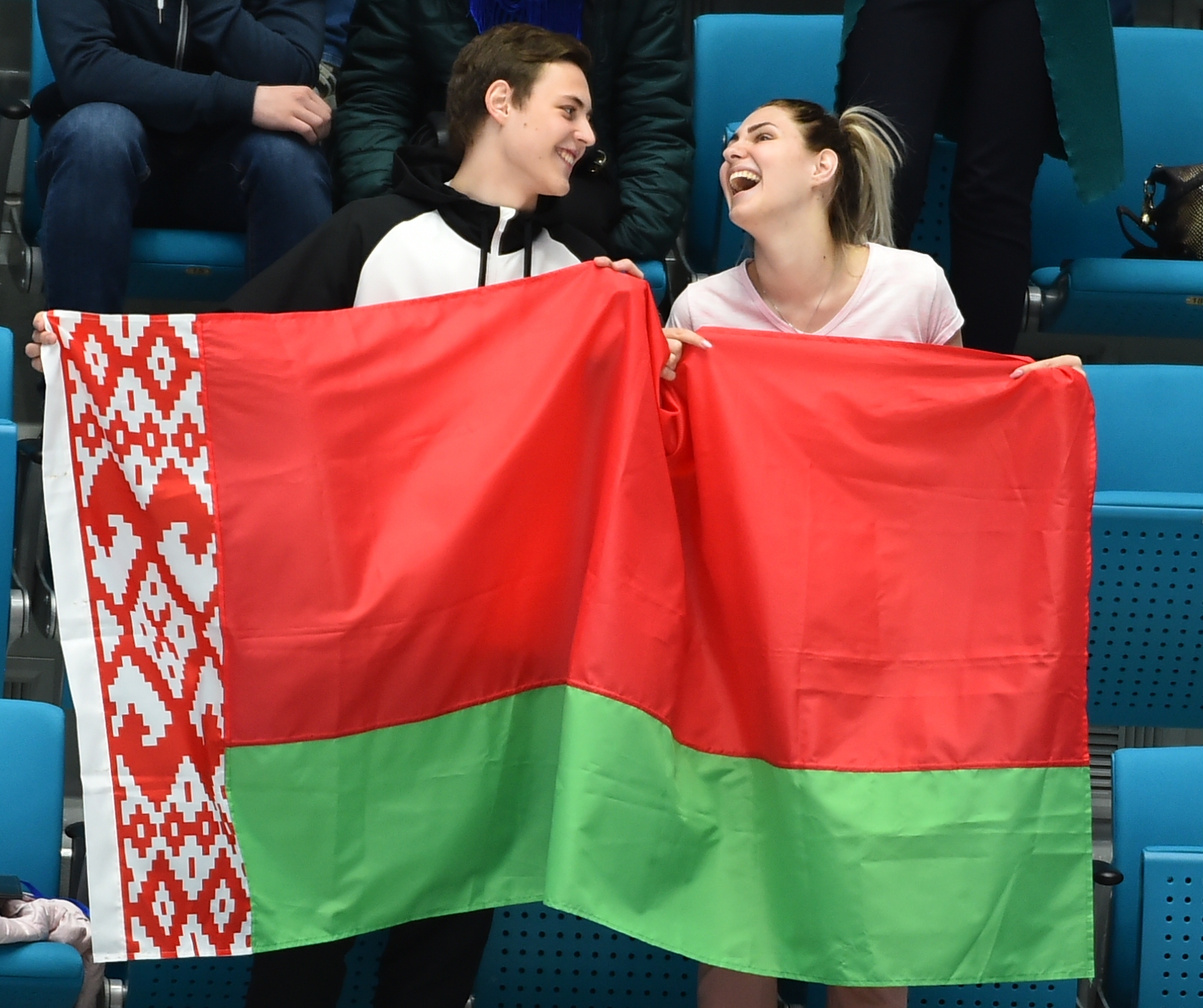 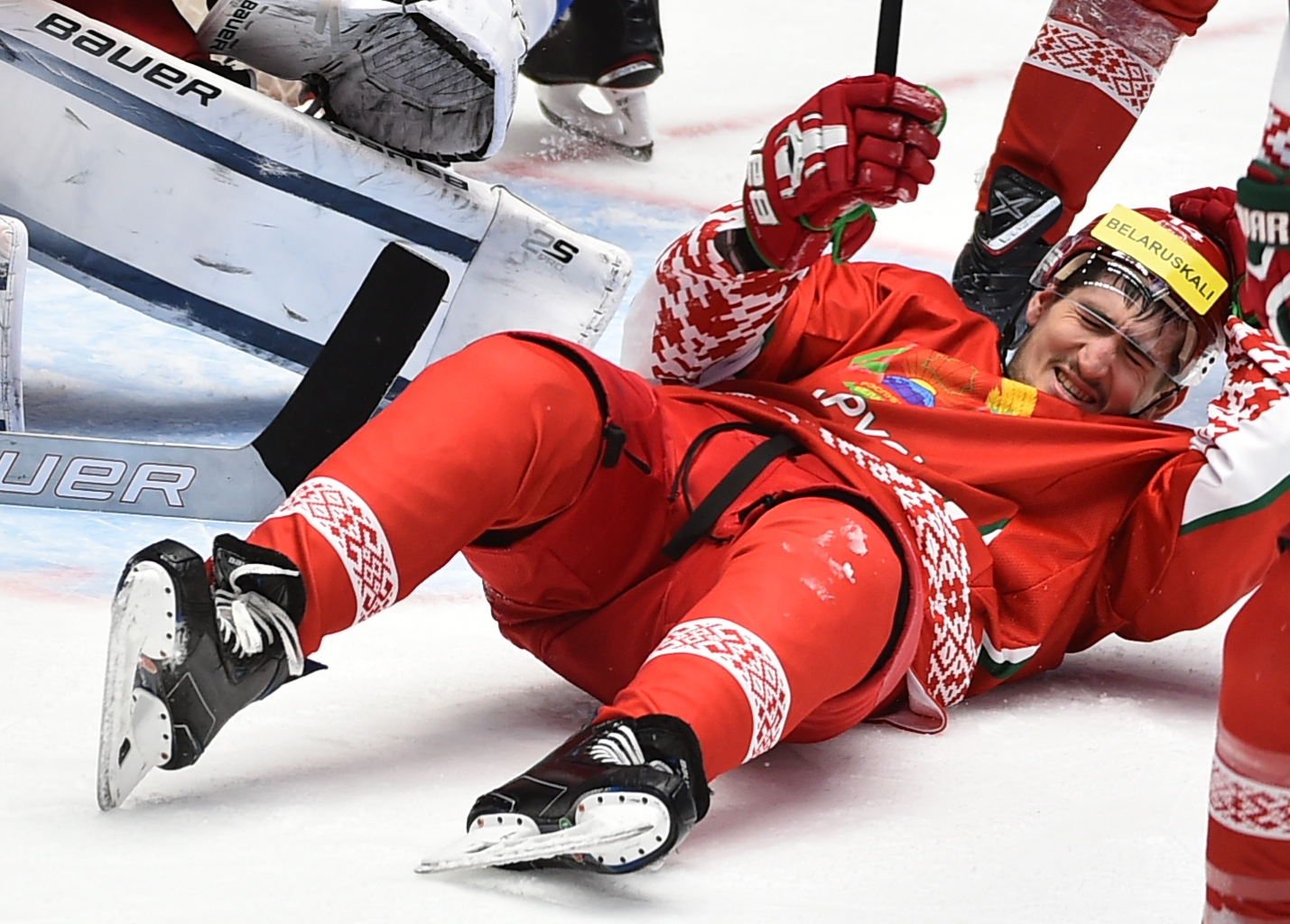 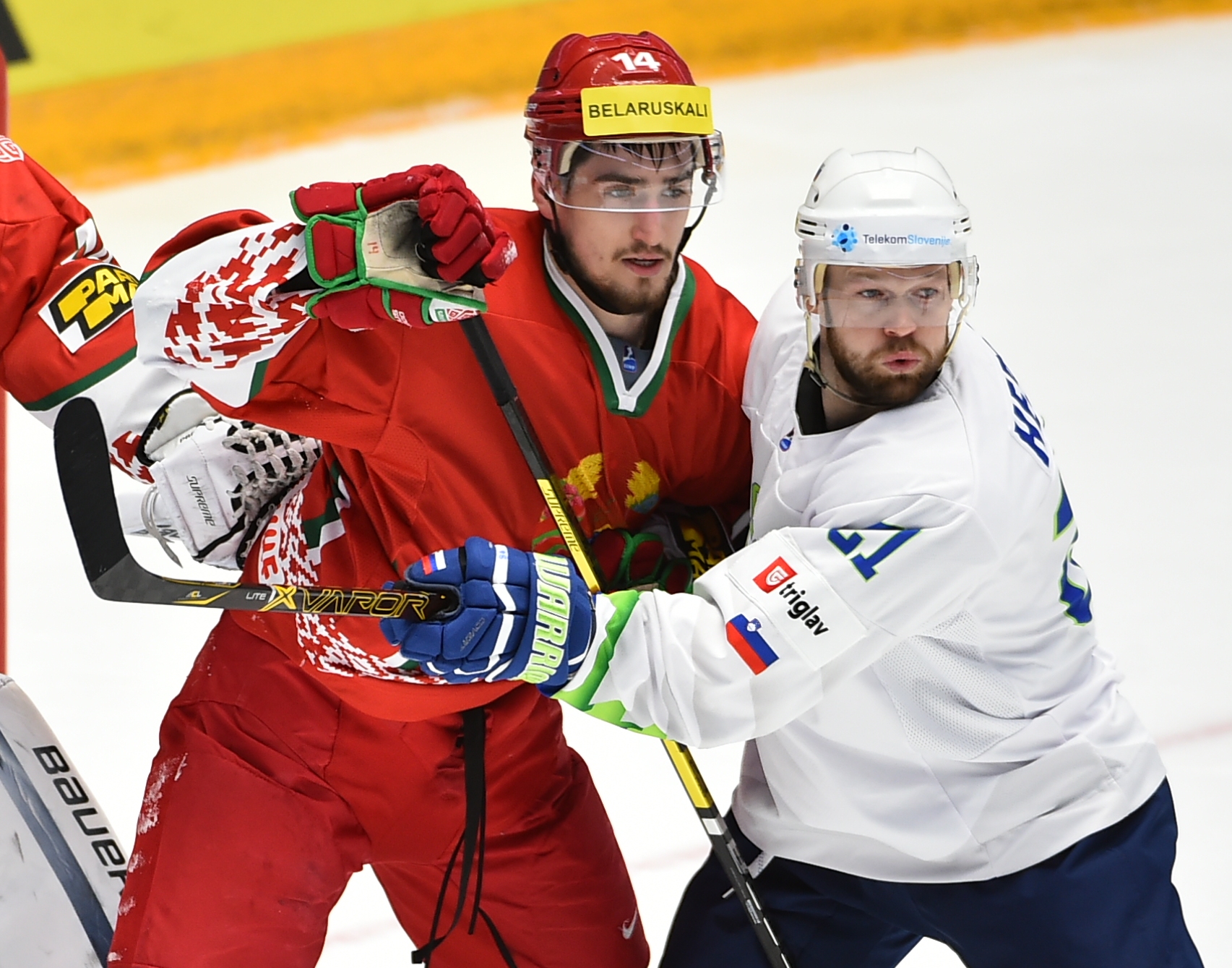 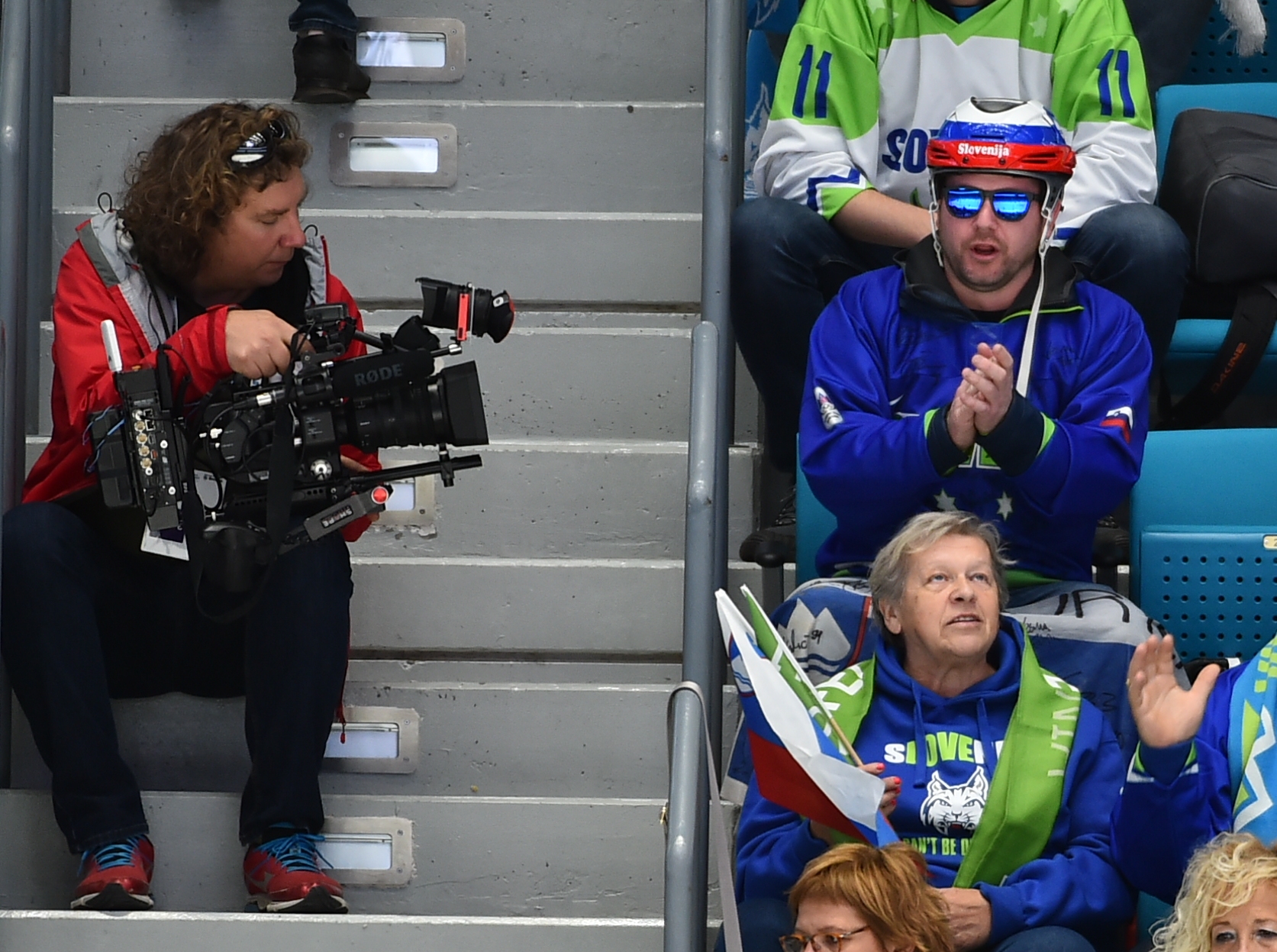 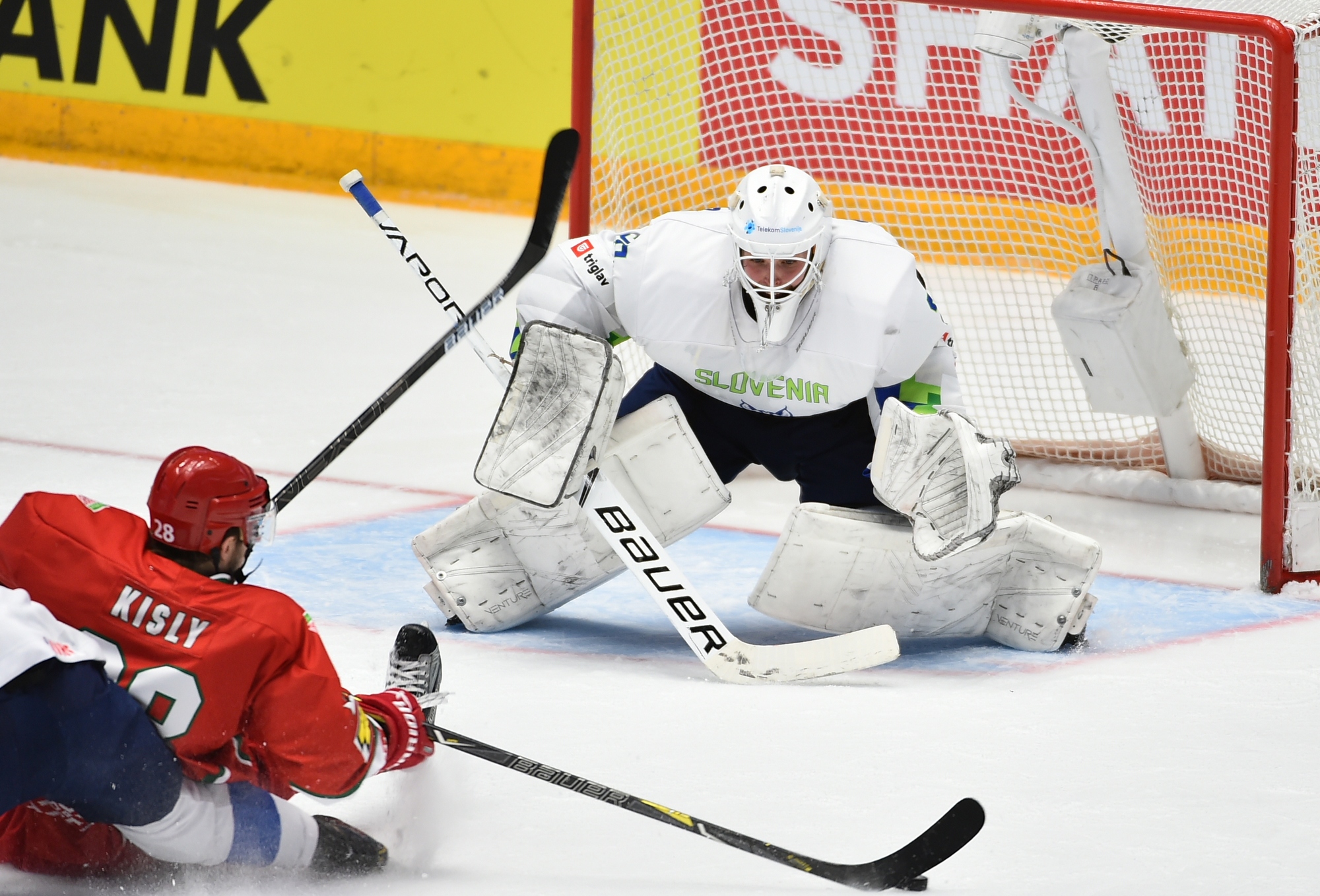 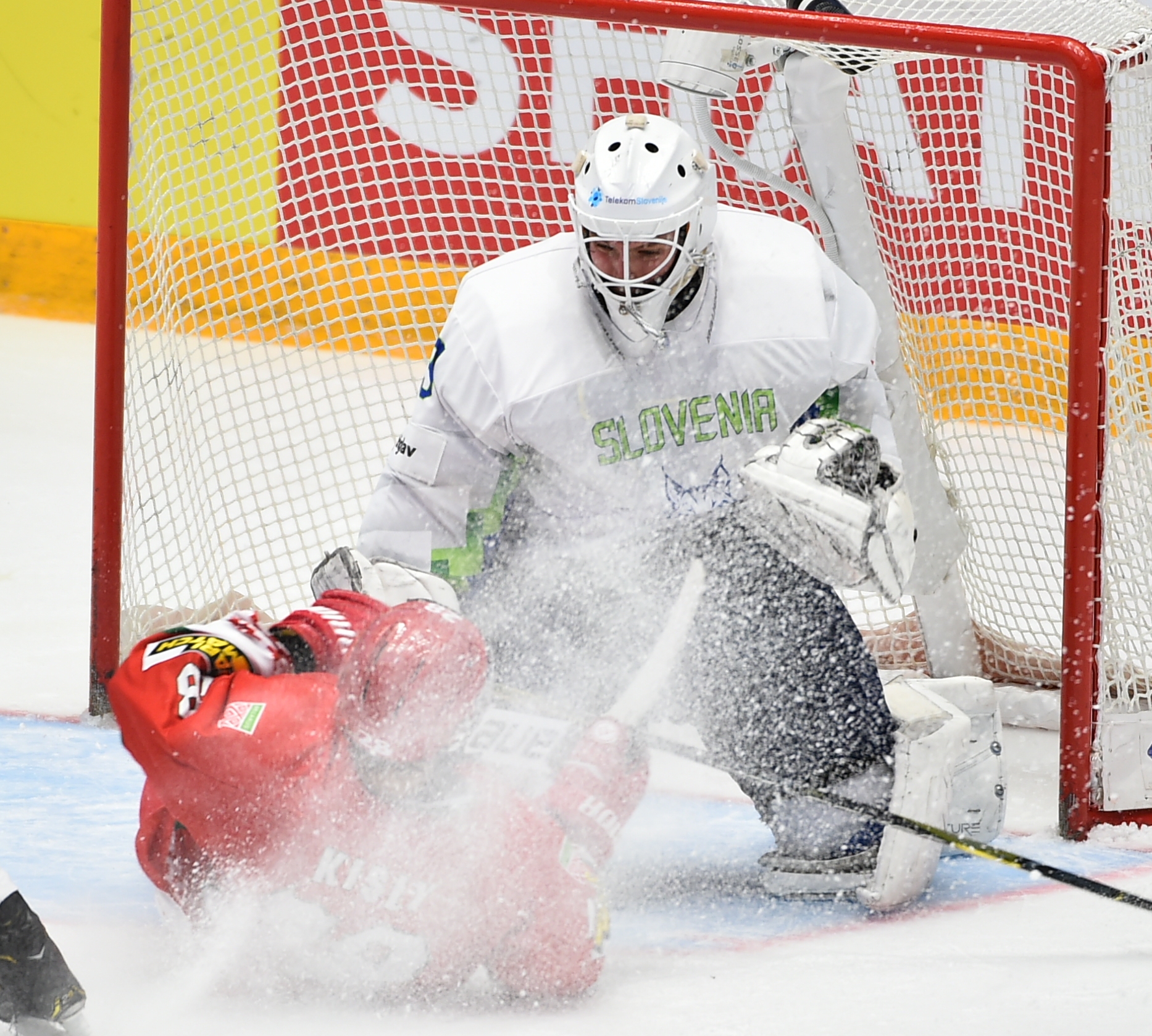 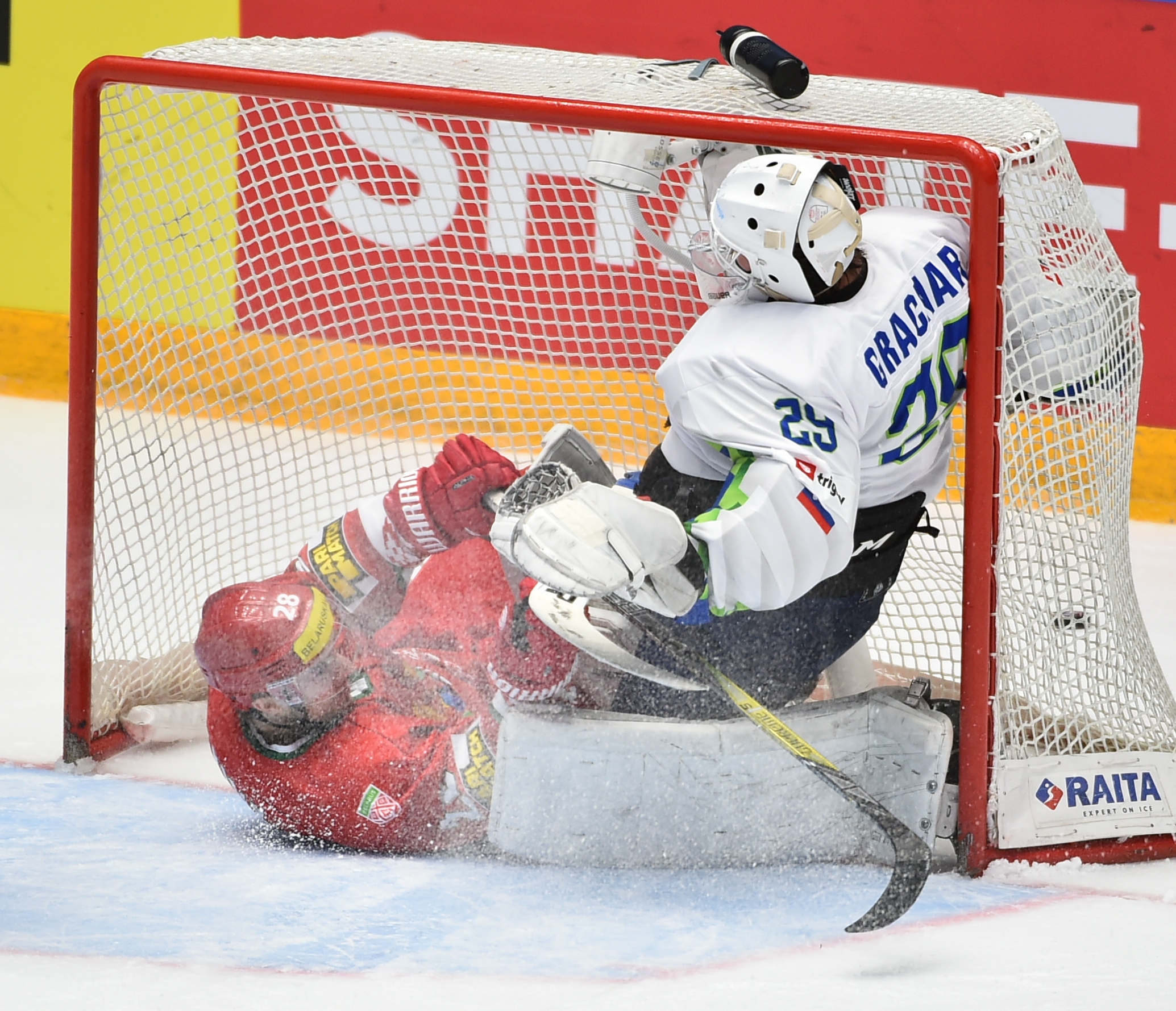