Bartalis breaks the spell
Istvan Bartalis (right) scored Hungary’s first two goals against Lithuania.
photo: Marat Akimzhanov
share
After a bad start into the tournament it was the game of the last chance for Hungary to stay in contention and to stay out of the relegation battle. And the Hungarians did it. They got their first win of the tournament, 4-1 against Lithuania.

Inefficiency was the main reason for Hungary’s losses against Belarus and Korea. Against last-seeded Lithuania the Hungarians managed to overcome that issue.

“We finally scored goals, that was the biggest difference. We needed it. We needed our first win and now we can relax a little bit and keep pushing and go for more wins,” said Istvan Bartalis, who broke the spell by scoring the first two goals of the game. Despite the 1-2 record he’s still hopeful that Hungary can get promoted.

“We tried to grow as a team, as individuals. We didn’t have any offence in the last game and now we finally had some offence. We have to be more solid on our blue line and then we can beat anyone. Everything can happen.”

The Magyars opened the scoring at 8:42 after surviving a Lithuanian power play. After winning the face-off in their own zone, defenceman Bence Stipsicz skated across the ice, fed Krisztian Nagy on the left side and after another pass Bartalis scored.

The Lithuanians had another chance with a man advantage for a delaying-the-game penalty but couldn’t convert. Instead Bartalis scored again at 15:26. It was another powerful attack after clearing a situation in the own zone. Bence Sziranyi brought the puck to the blue line and Bartalis did the rest of the work in the offensive zone by skating his way through Arvidas Domeika and Arturas Katulis before beating Mantas Armalis on the far side.

“Our plan was to play really hard because we had more rest. We knew we would face adversity and they played really hard and we didn’t like everything that happened. But we were mentally strong enough to keep on working. It was a big game for us today,” Hungary head coach Gergely Majoross said.

At least the Lithuanians managed to capitalize on their third power play to remain in the game after the first period. After a post shot the Hungarians didn’t bring the puck under control in their crease and Tadas Kumeliauskas scored on the second rebound. It was his first game of the tournament as he got injured in the pre-competition game against Poland and therefore travelled to Kazakhstan with a delay.
World Men
Lithuania vs. Hungary - 2019 IIHF Ice Hockey World Championship Division I Group A
After two unlucky games it was finally a win for Hungary. Istvan Bartalis broke the spell with two goals in the 4-1 win over Lithuania.
LTU HUN 02 MAY 2019
In the second period it was the Hungarians who were to score the next goals. In their first power play of the game Csanad Erdely scored on a rebound at 6:14 after Armalis had made a pad save against a Janos Vas shot.

Hungary controlled most of the period and with four minutes left scored another goal. Bartalis intercepted a pass from goaltender Armalis and Istvan Sofron was in front of the crease to make it 4-1.

Lithuania became stronger in the third period and play the last 100 seconds 6-on-4. Janos Hari was assessed a major penalty for spearing. But Adam Vay didn’t allow another goal and the game ended 4-1.

“It was a really hard game. We looked like a tired team today. I hope the enthusiasm of the young guys will be better. Our guys didn’t have enough to make it a tight game. Hungary missed a lot of opportunities, they could have made it worse for us. The rest day comes in good time for us,” concluded Lithuania head coach Daniel Lacroix. 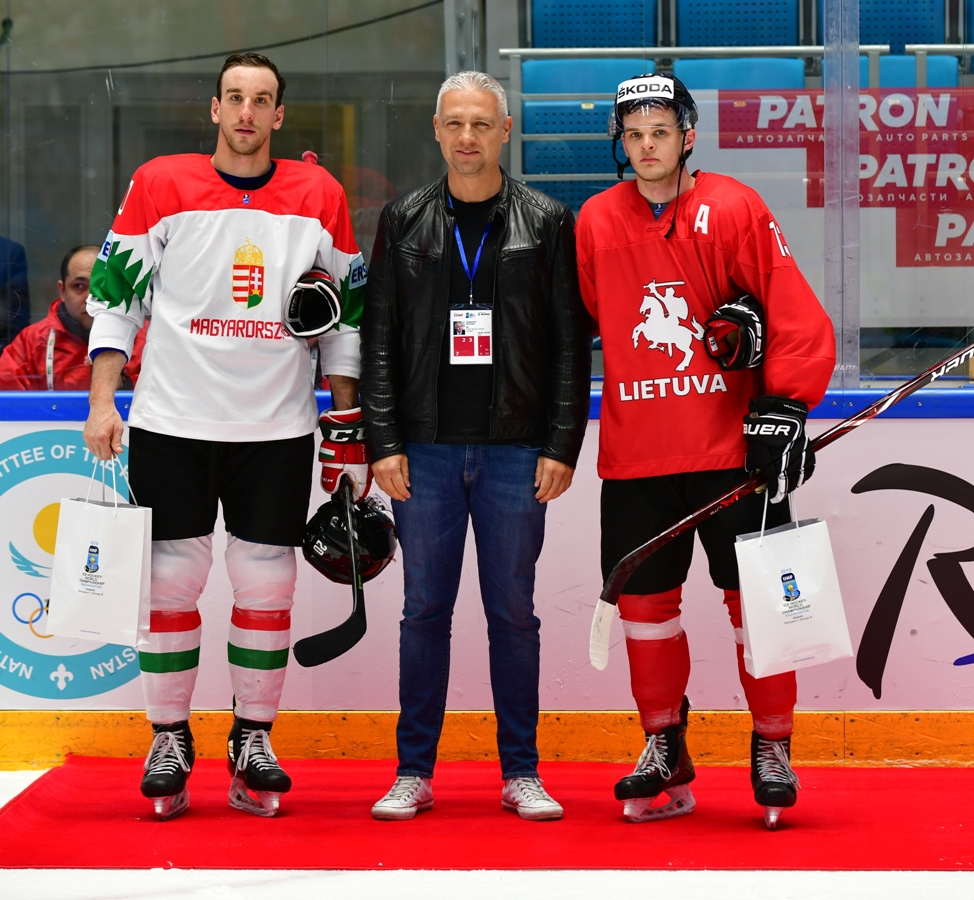 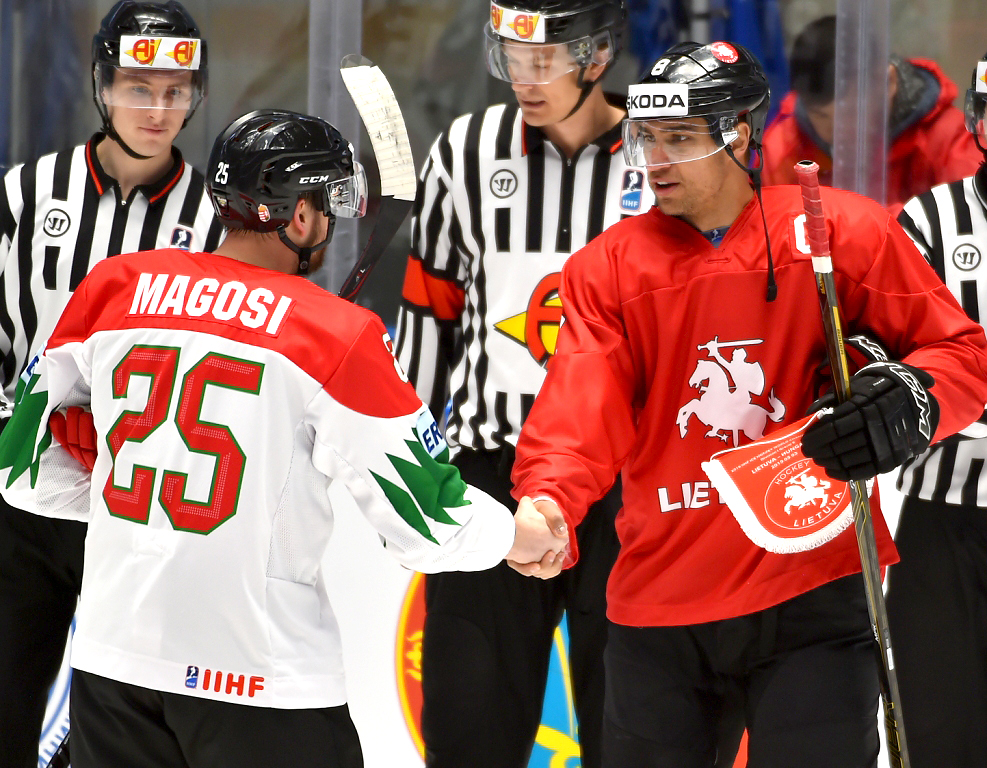 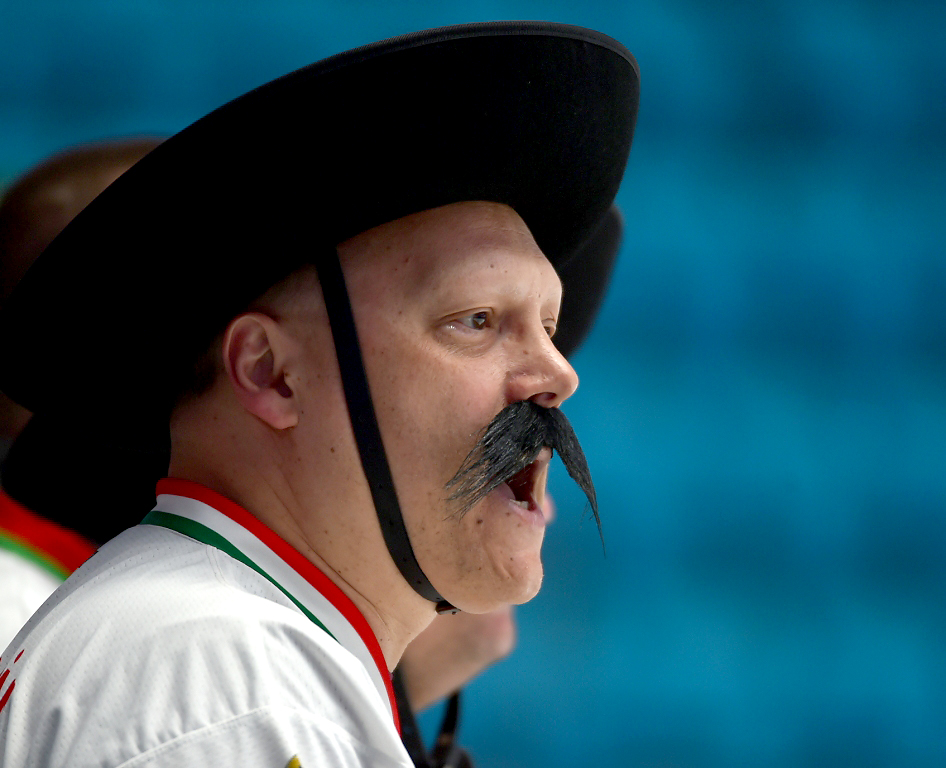 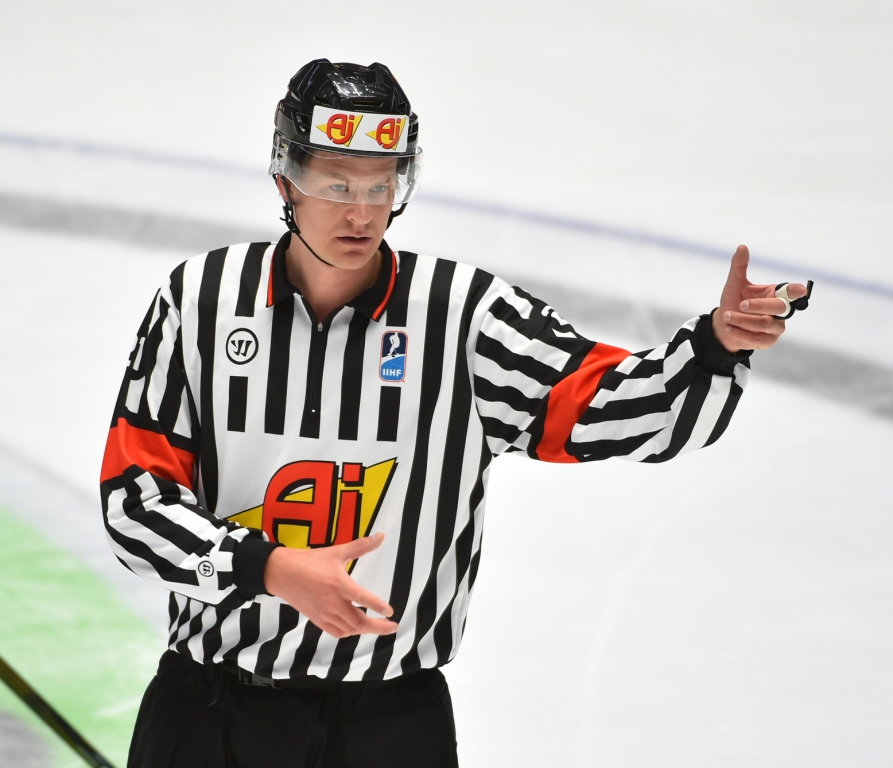 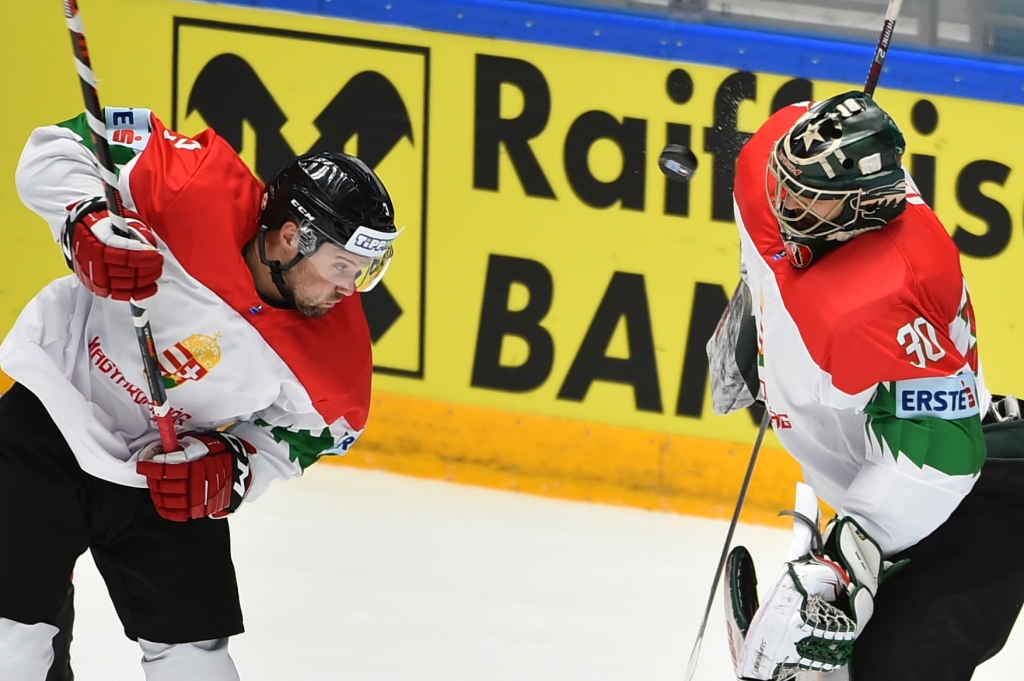 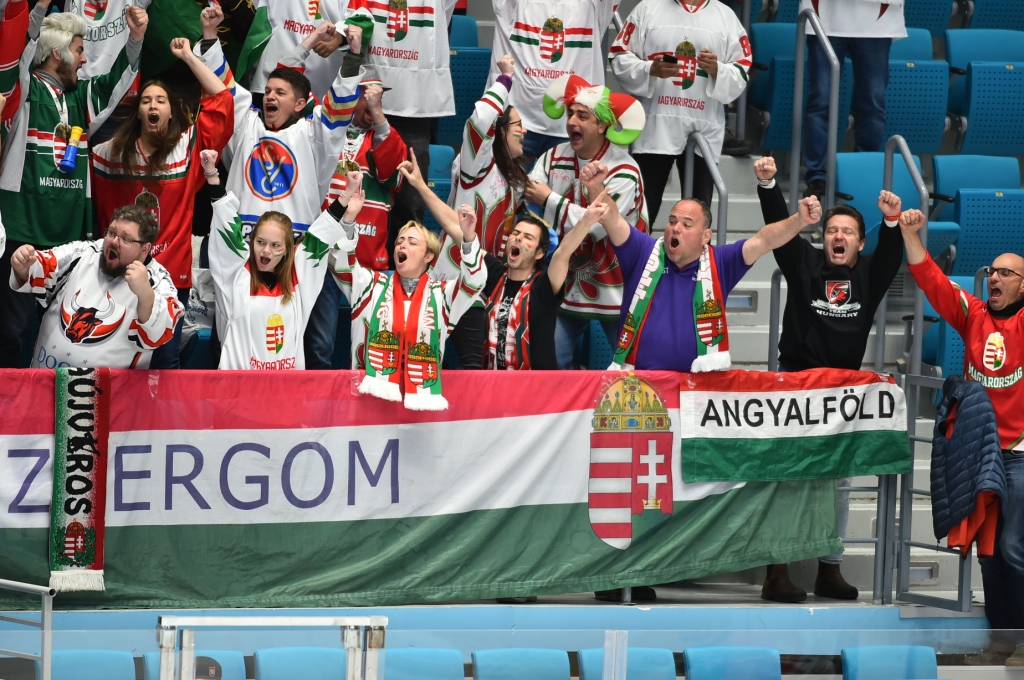 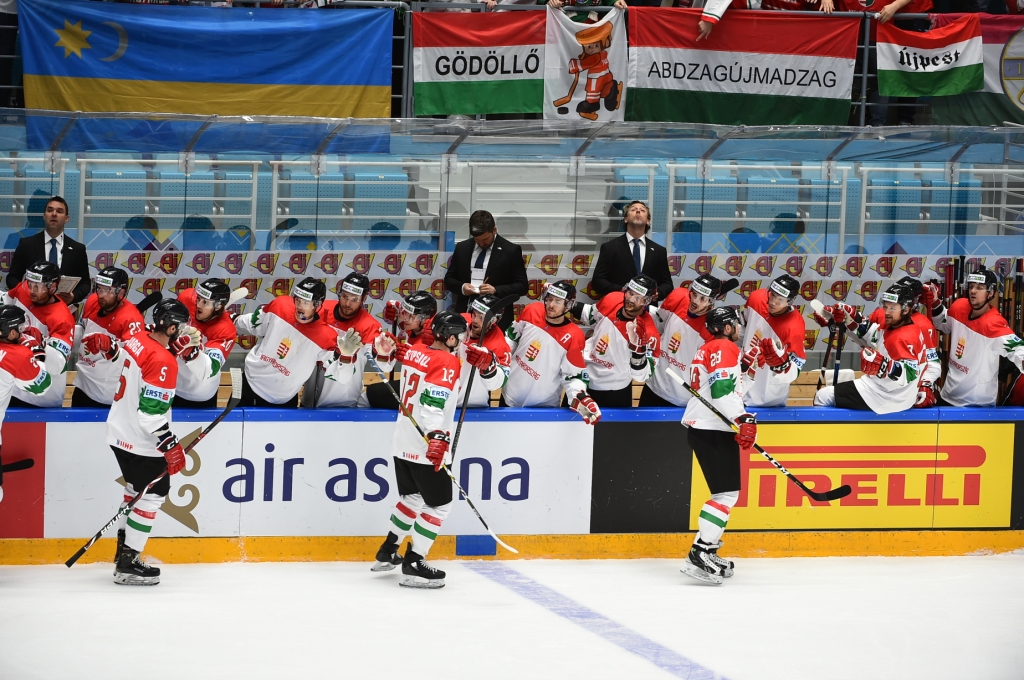 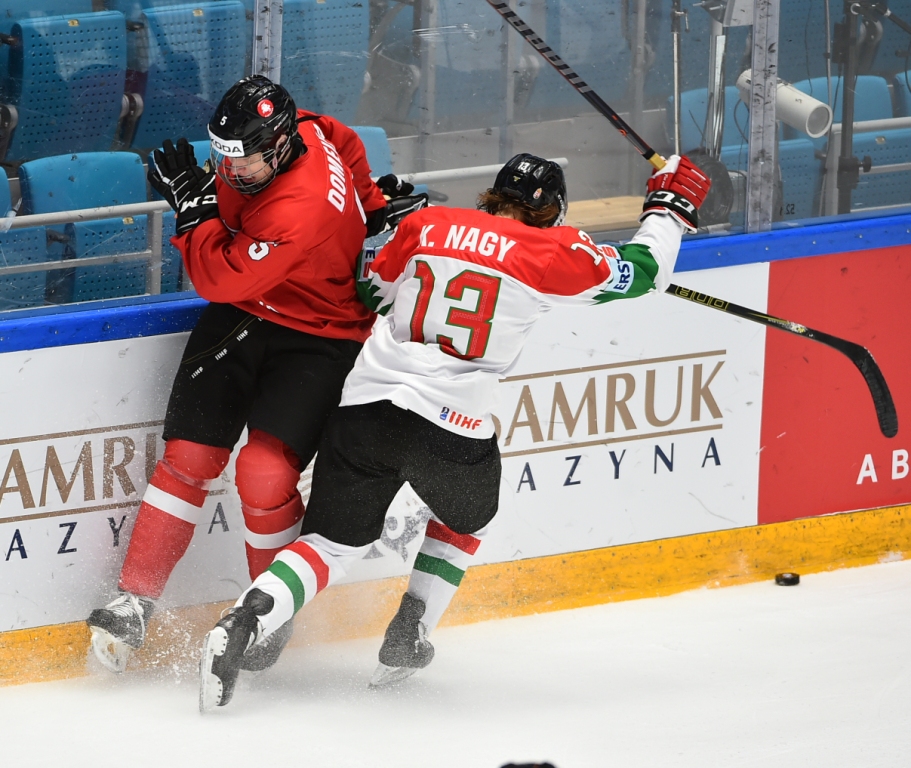 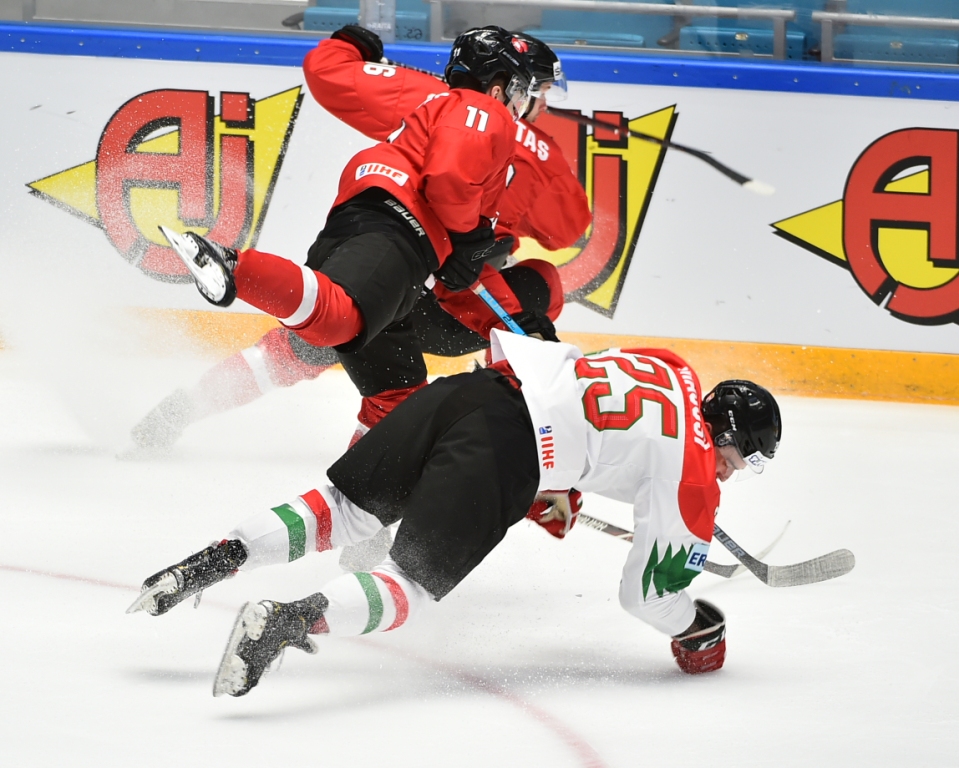 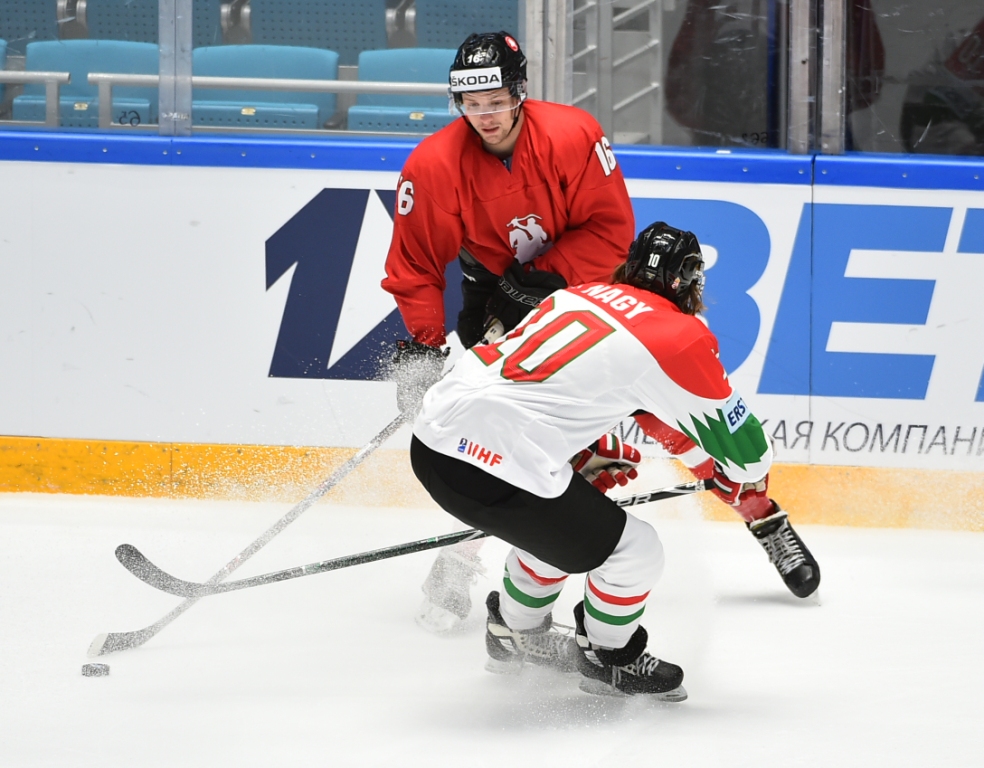 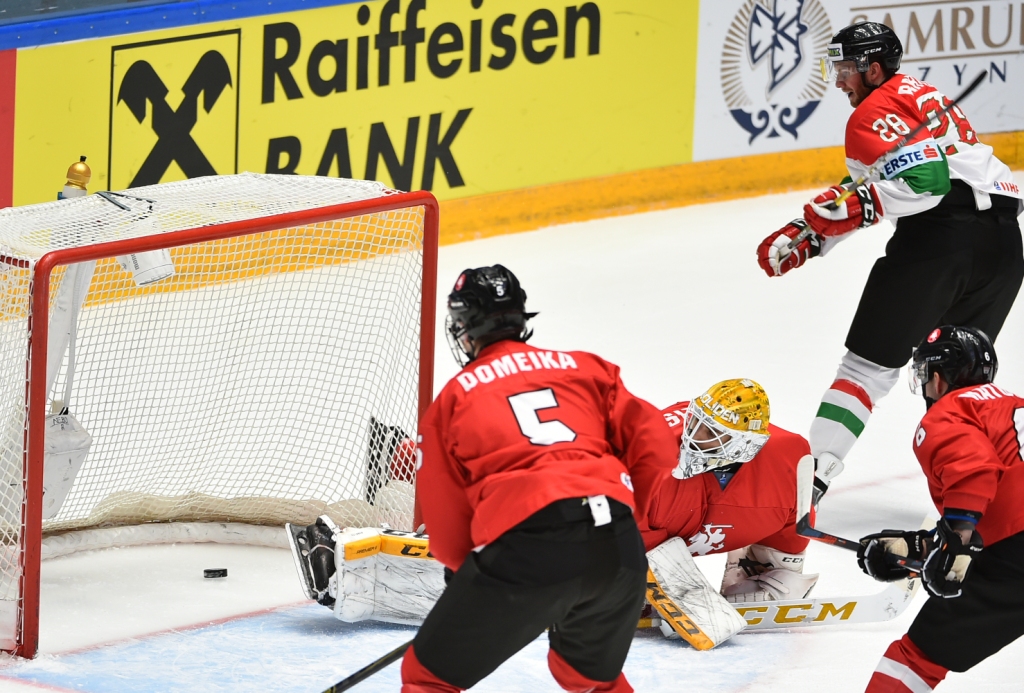 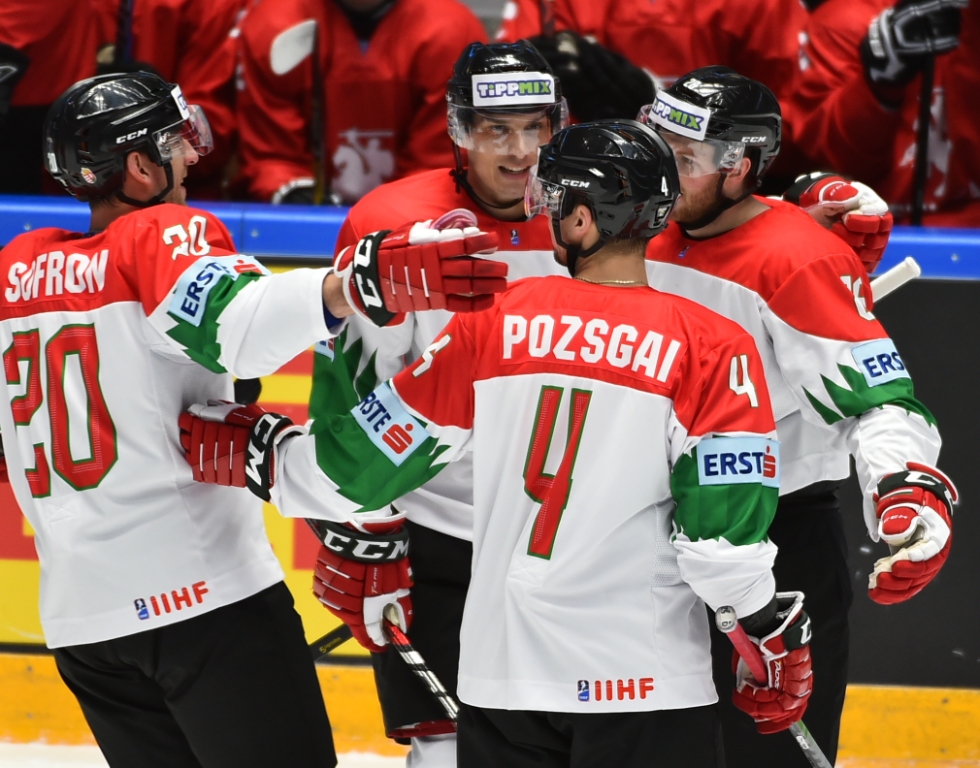 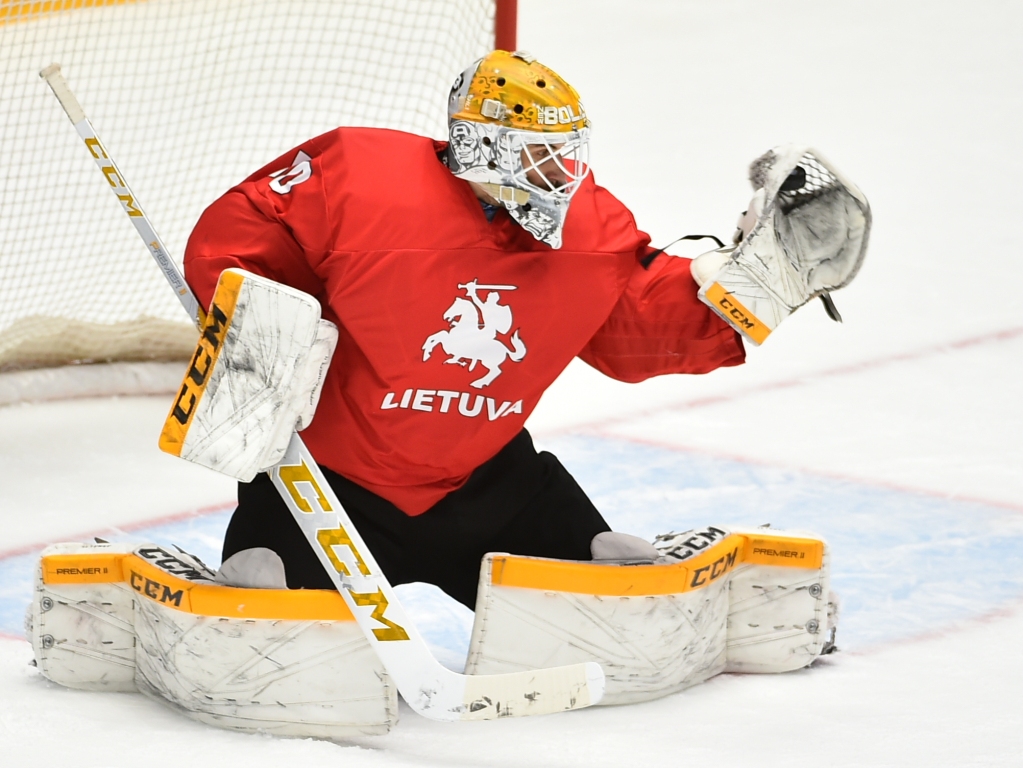 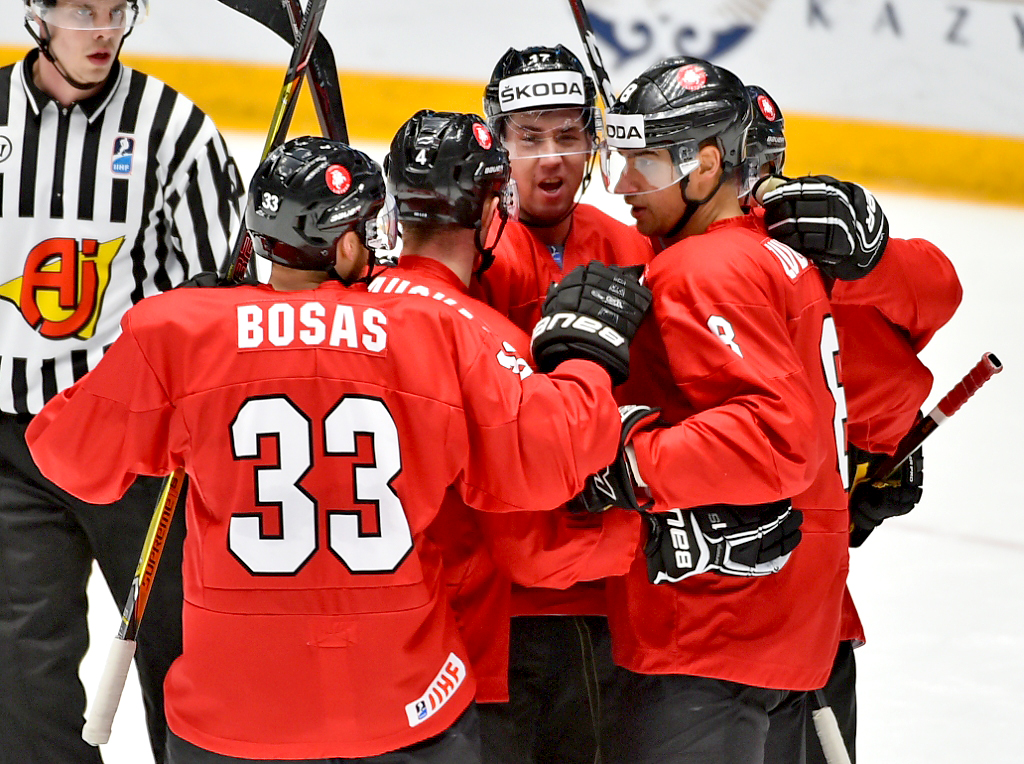 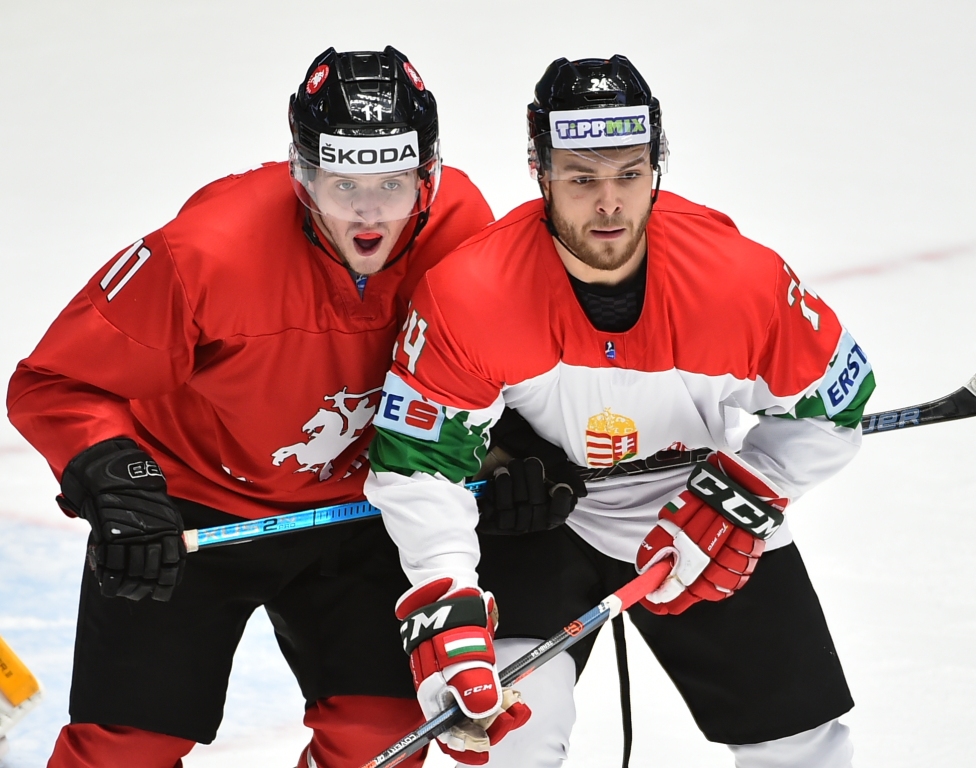 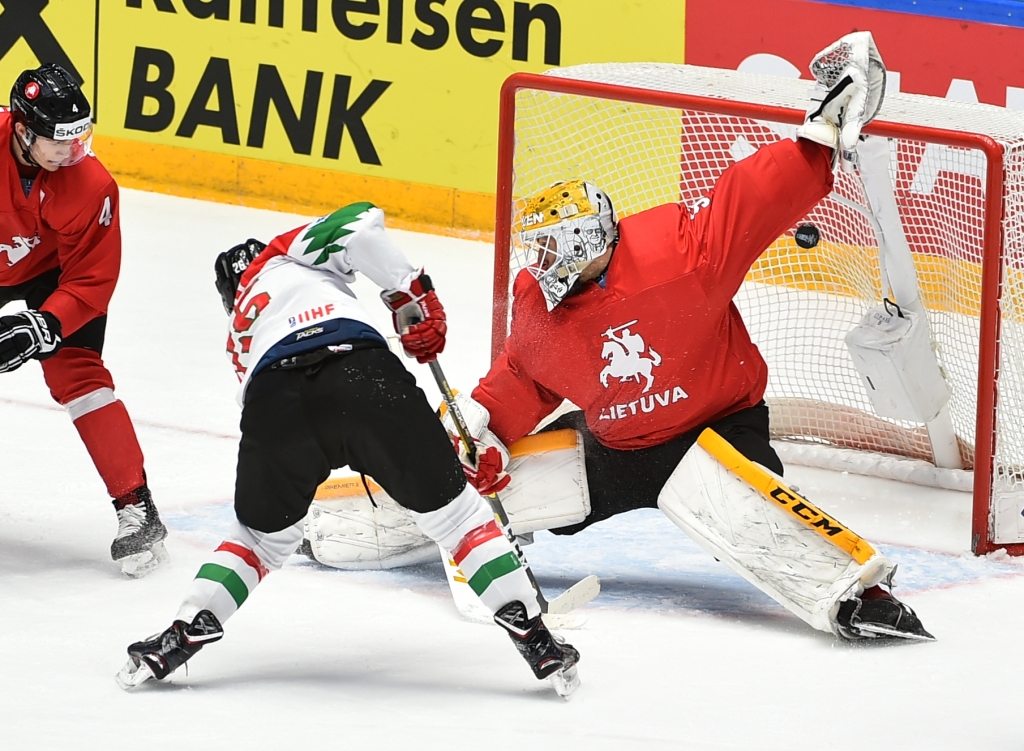 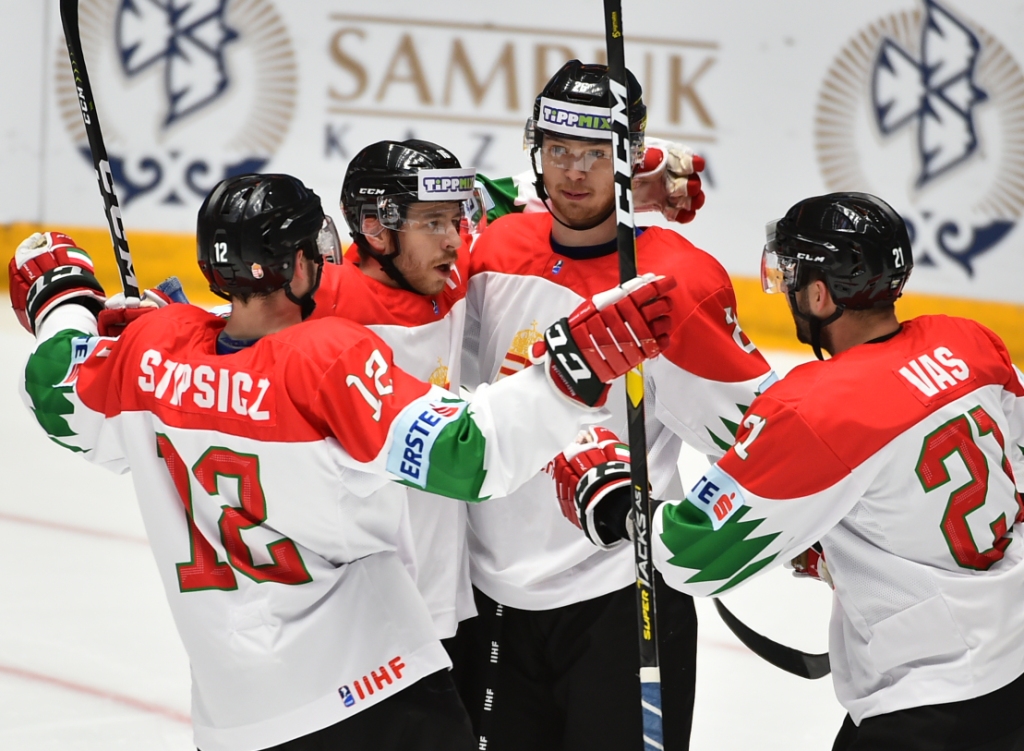 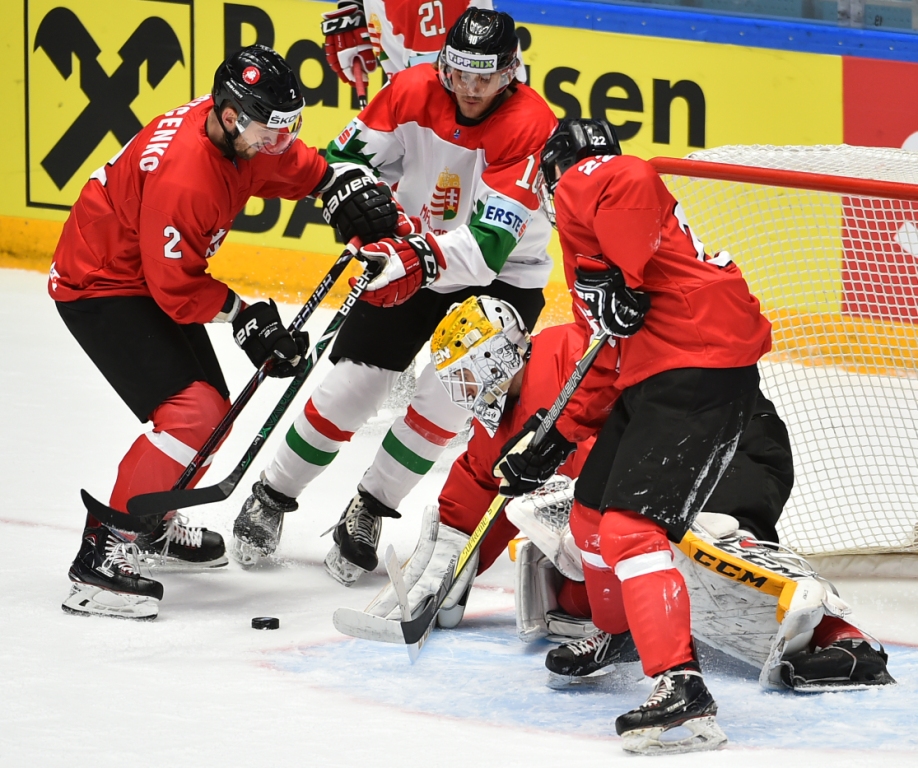 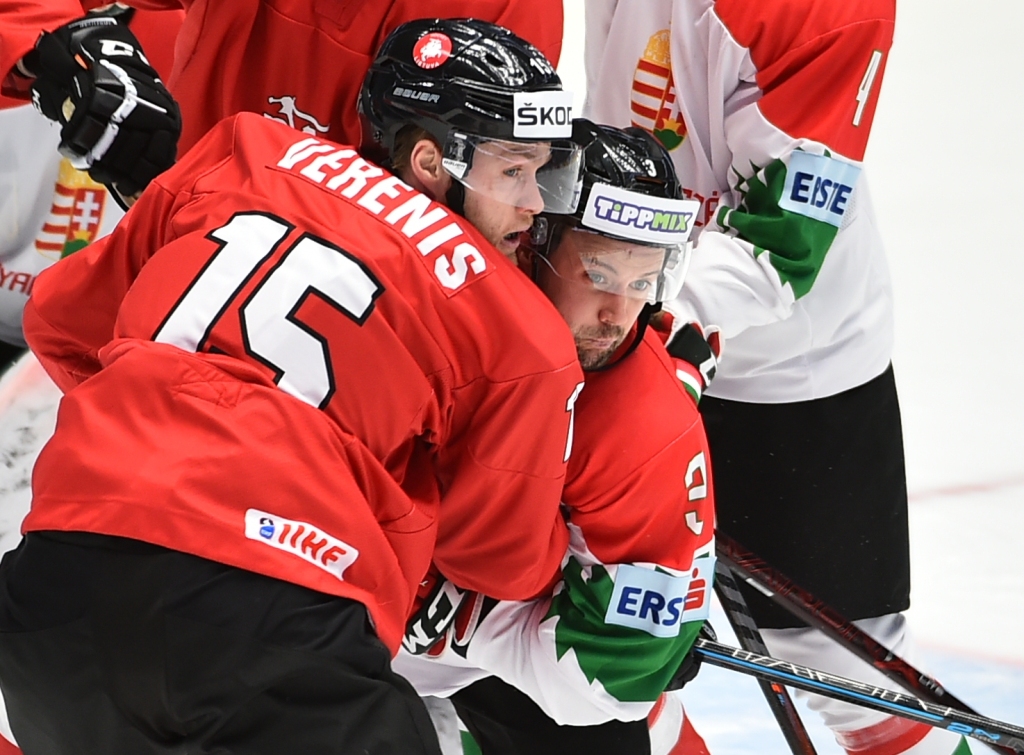 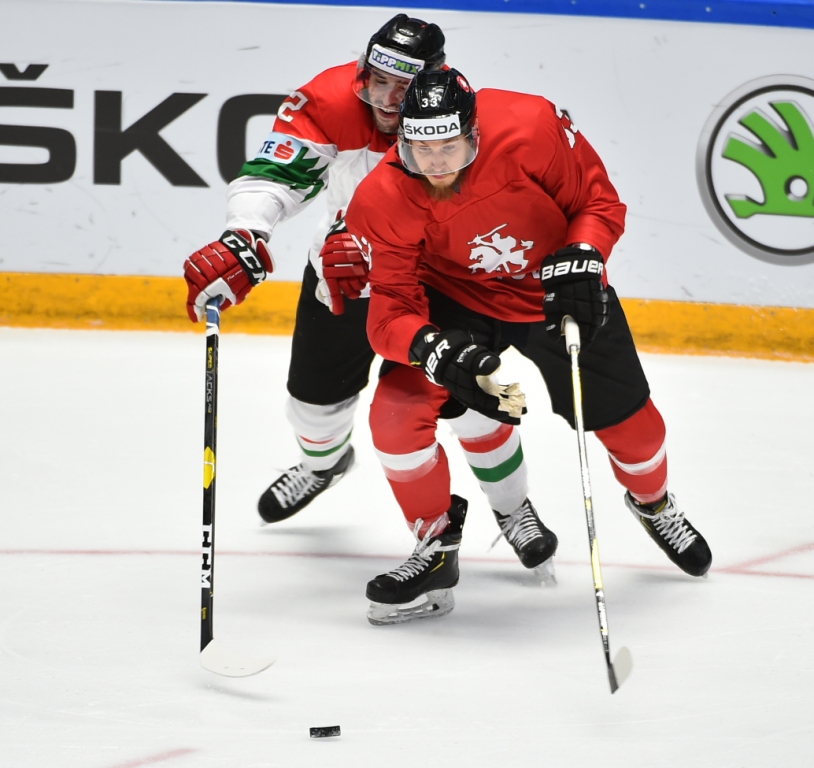 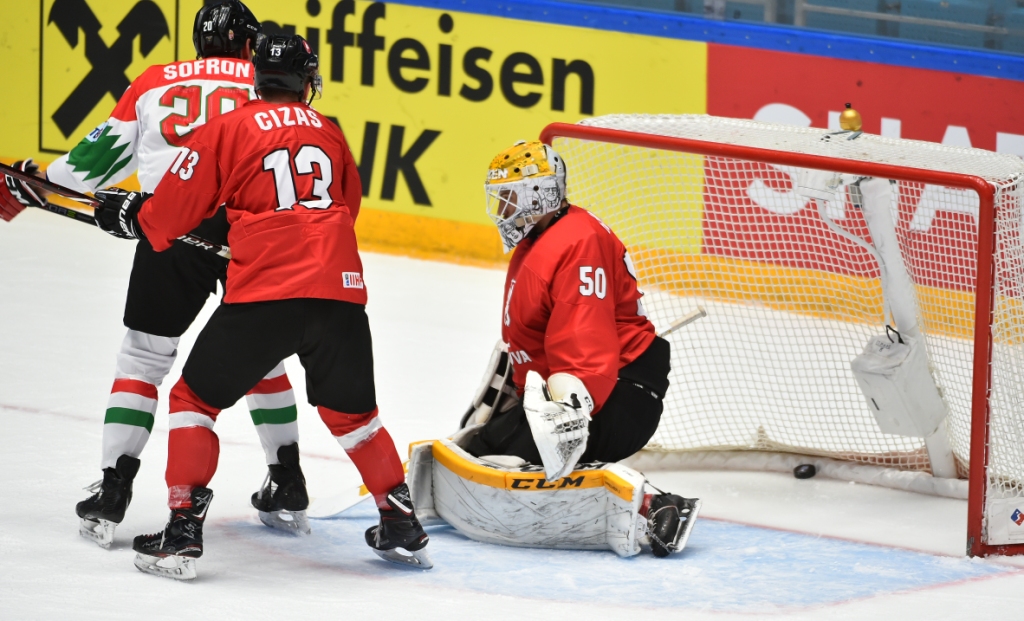 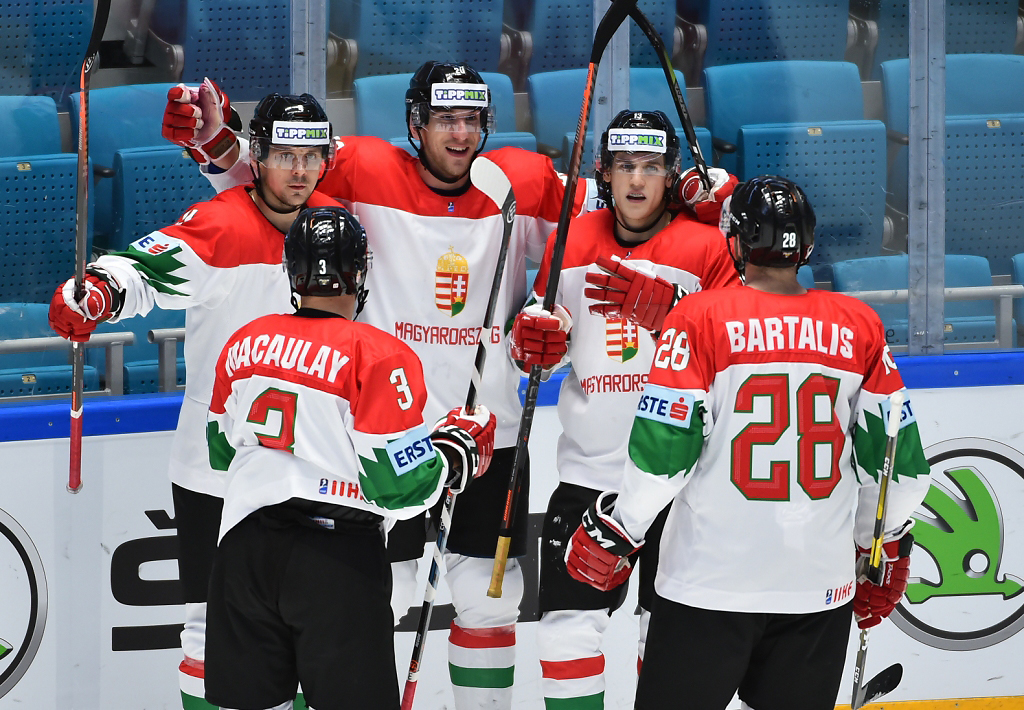