Both Belarus and Kazakhstan top the standings with nine points and a +6 goal difference.

“Our team was very good. We were a lot with the puck, played offensively and with high tempo,” Kazakhstan head coach Andrei Skabelka said.

The Kazakhs put themselves on the scoreboard after already four minutes. Alexei Maklyukov sent off a shot and Pavel Akolzin deflected.

Kazakhstan didn’t give Korea much room and with 3:14 left in the period and pressure in the Korean zone, Leonid Metalnikov beat Korea goalie Matt Dalton with a shot from the blue line. He stood free there and converted the pass from Nikita Mikhailis after a puck battle on the left side.

“Today we played much better than last game. We stuck to our system, did not many mistakes in the middle zone, had good forecheck. That’s why we won. It’s nice to score, it’s good for the team and I’m happy that we won,” Metalnikov said knowing that business it not finished yet here in Nur-Sultan. “I will be proud when we win the championship.”
World Men
Korea vs. Kazakhstan - 2019 IIHF Ice Hockey World Championship Division I Group A
We're down to two undefeated teams with Belarus and host country Kazakhstan. The Kazakhs beat Korea 4-1 tonight.
KOR KAZ 02 MAY 2019
Korea started creating more chances in the second period but it was again the Kazakhs who scored. At 9:45 Dmitri Shevchenko hit the back of the net after a centering pass from Talgat Zhailauov.

Korea got more chances with two power plays but couldn’t convert and the game went into the third period with a 3-0 lead for the host nation.

“Kazakhstan played a great game, we just couldn’t control their transition game. They got the puck out of the zone, they played fast,” said Jim Paek and took the blame while praising his players. “We have to continue working hard in the next game and be smart.”

Sangwoo Shin gave Korea a ray of hope with his goal at 9:47 left in regulation time. He deflected a long shot of Hyunsoo Kim in front of the net. However, the Kazakhs worked on restoring the three-goal lead pretty soon.

A beautiful goal from Nikita Kleshenko sealed the win for Kazakhstan at 12:30. The defenceman skated on the left side and was looking for the pass but then saw a gap to skate between two Korean players to the crease and beat Dalton with a high wrist shot. 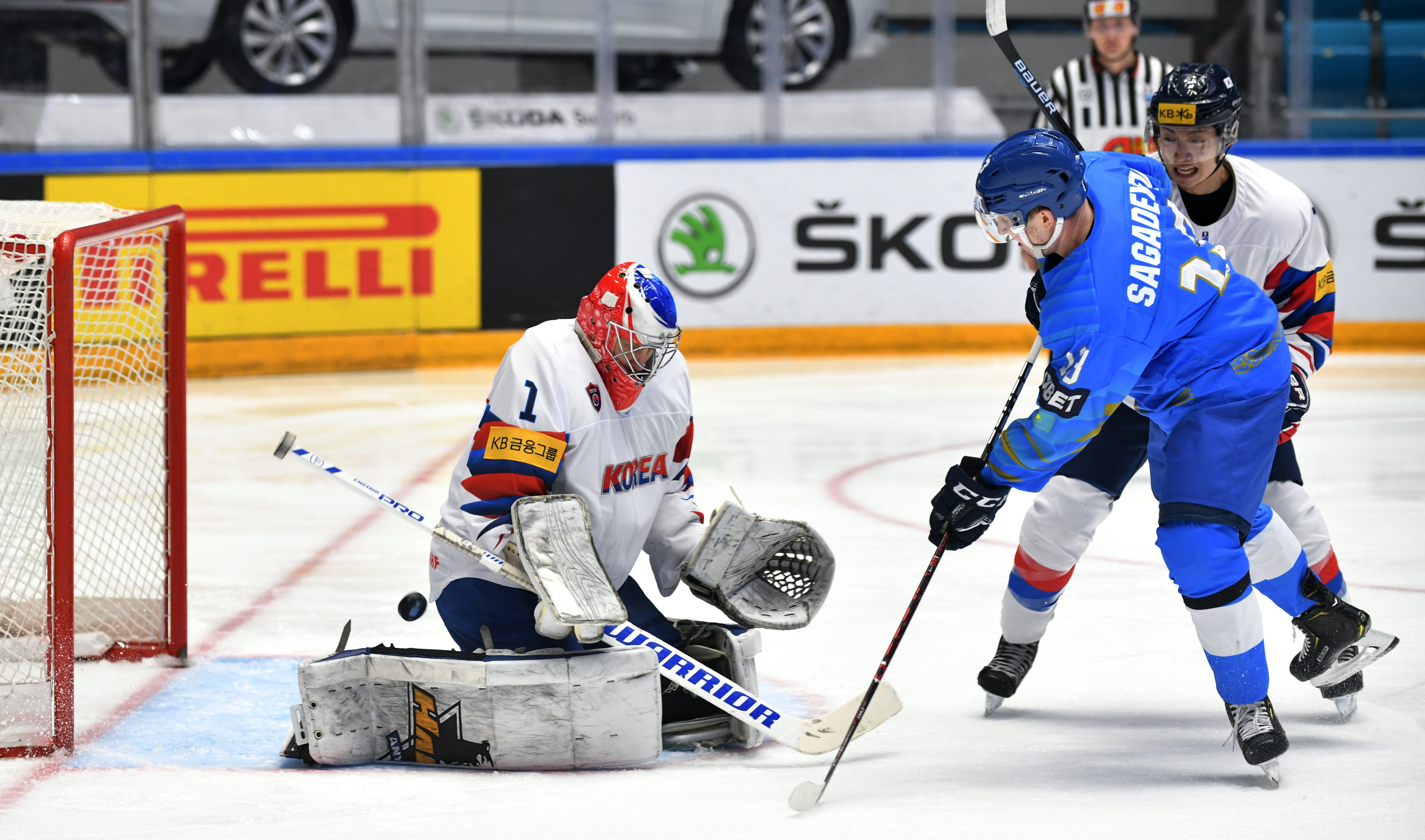 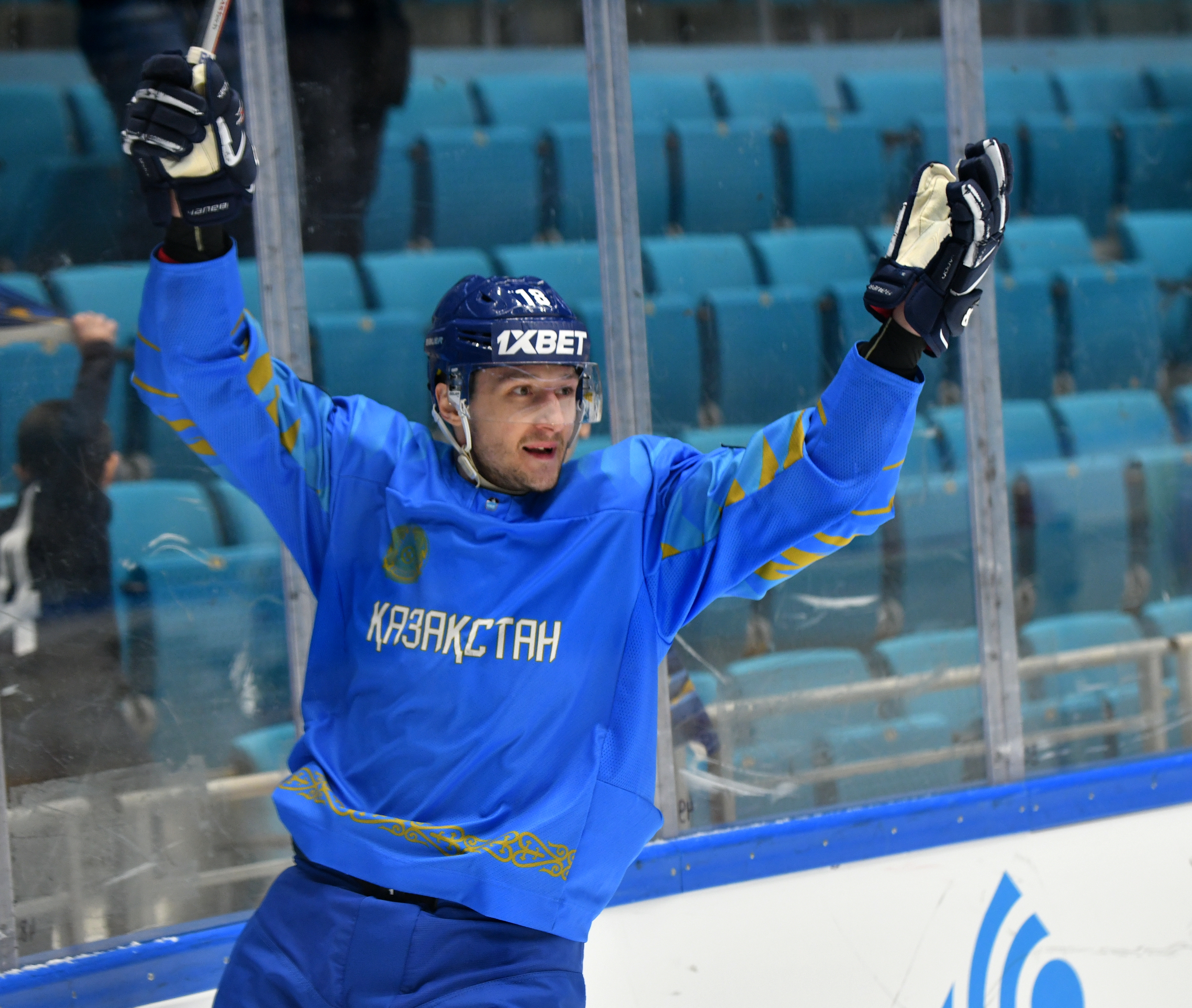 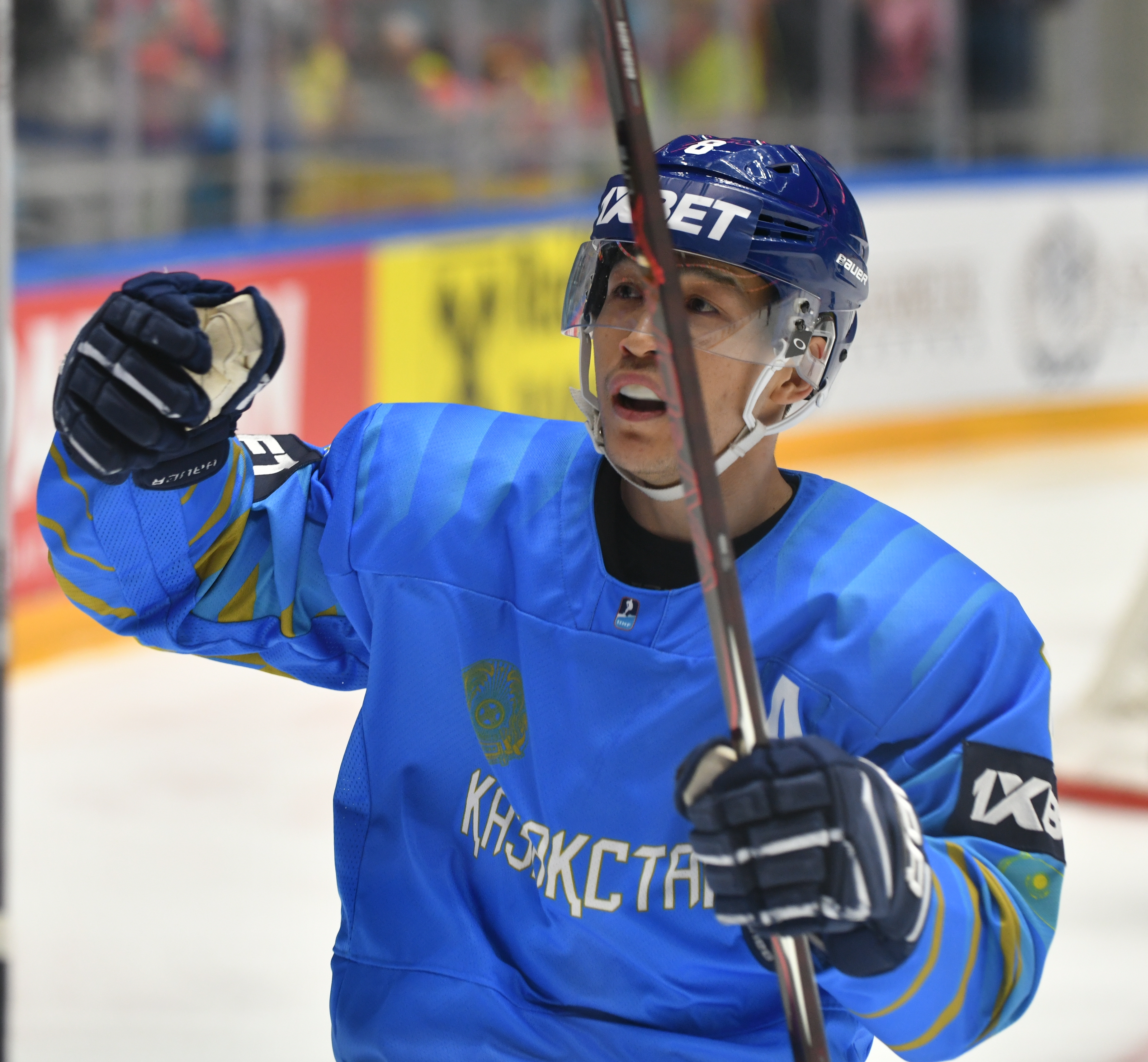 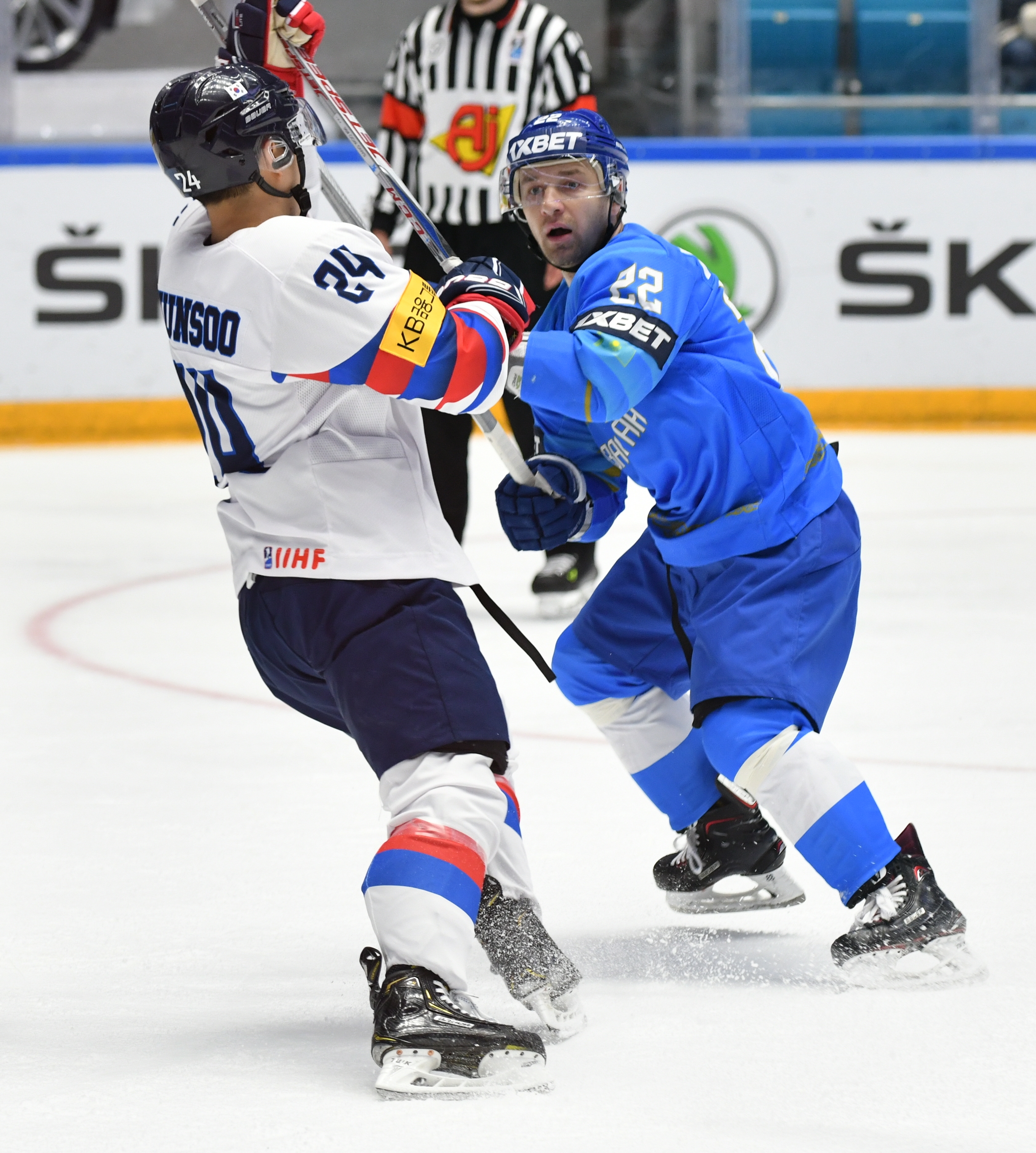 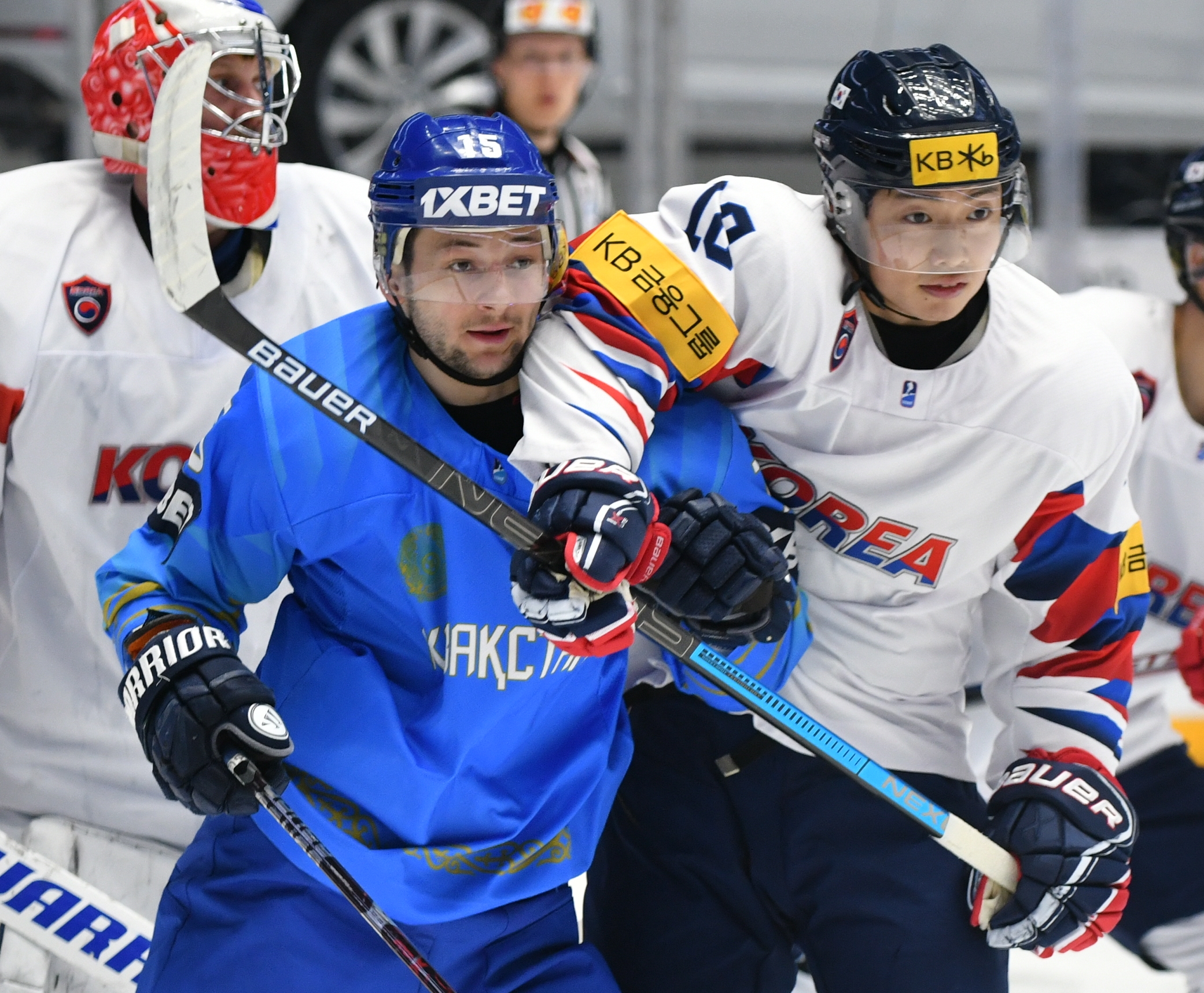 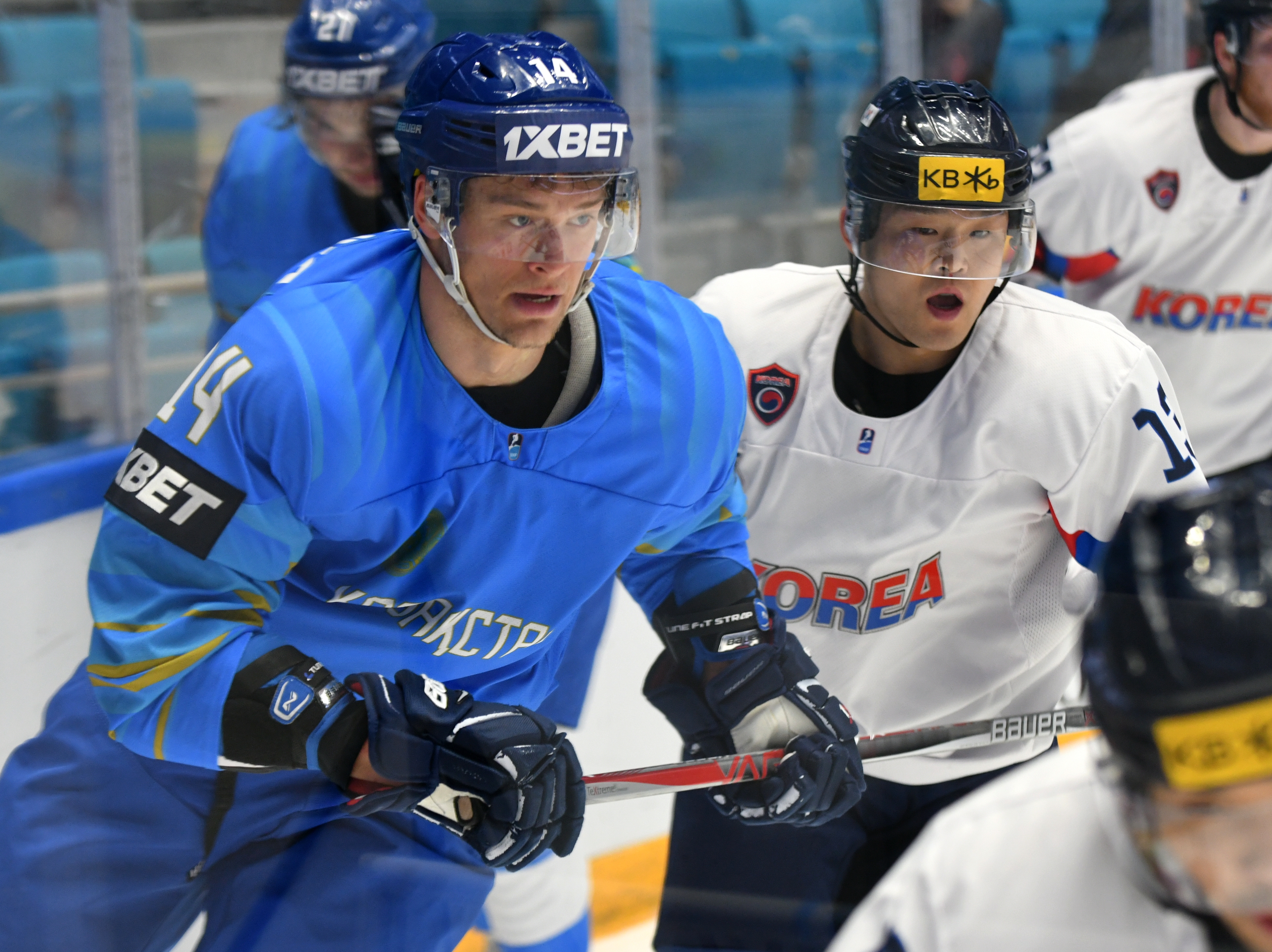 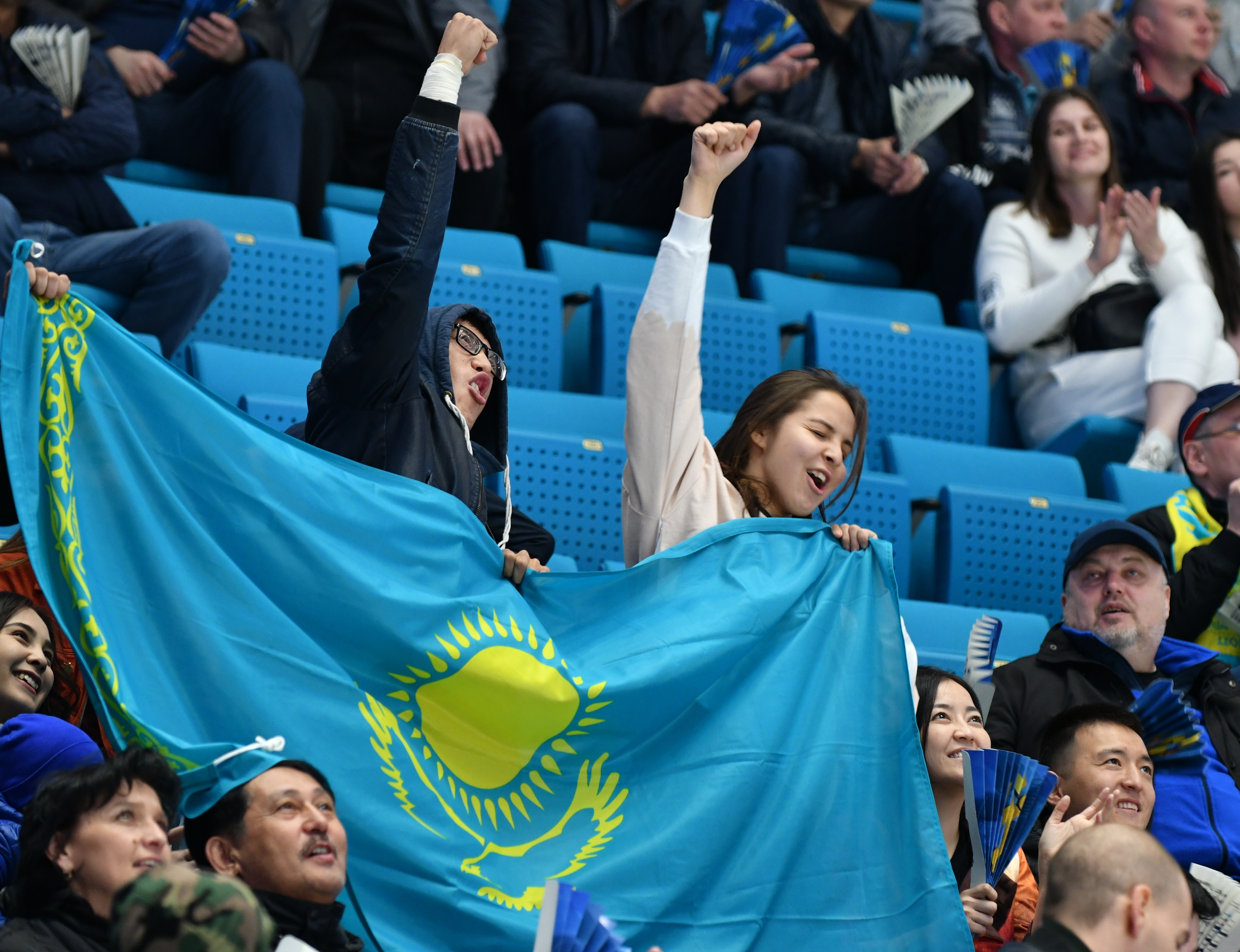 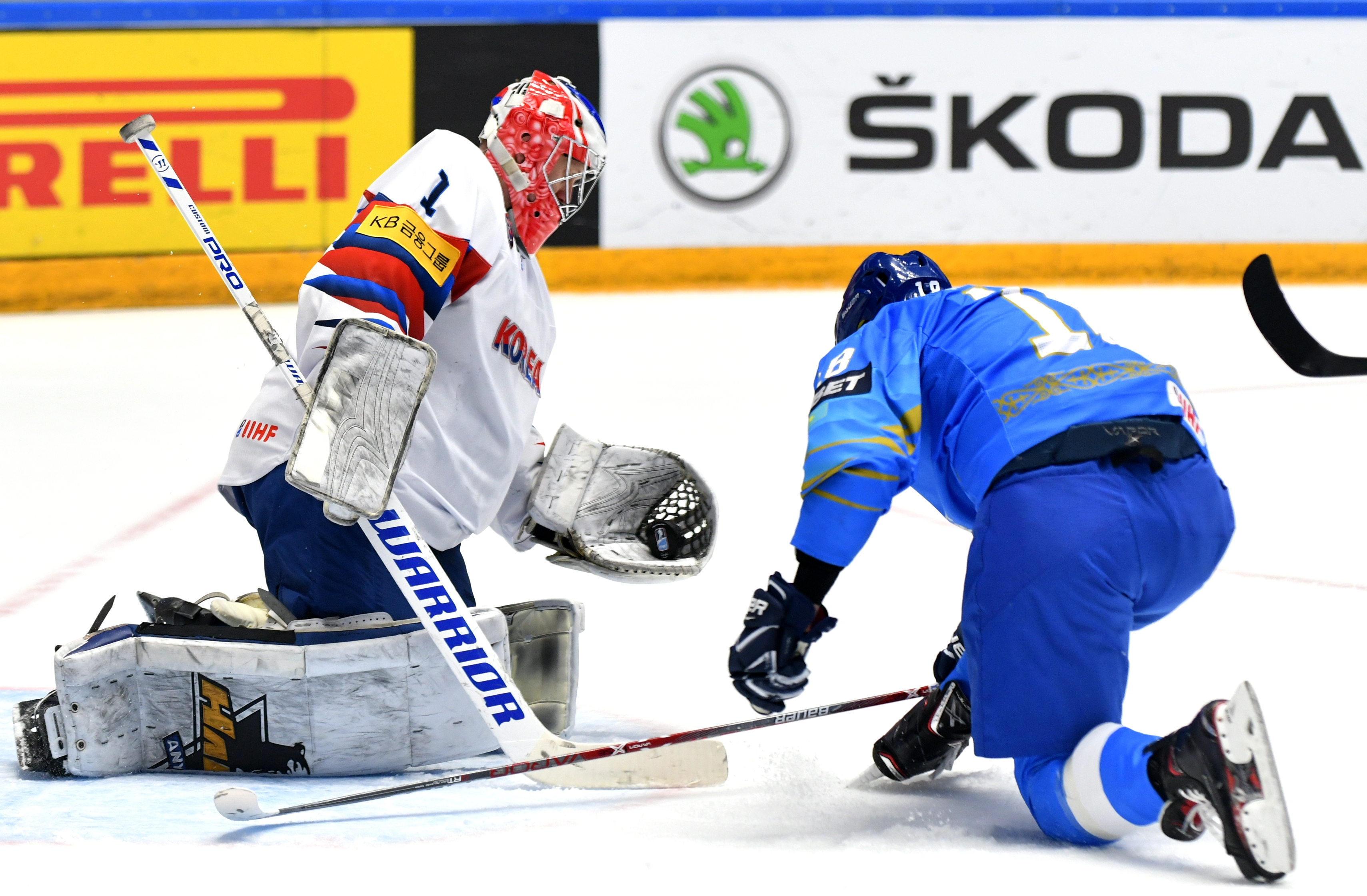 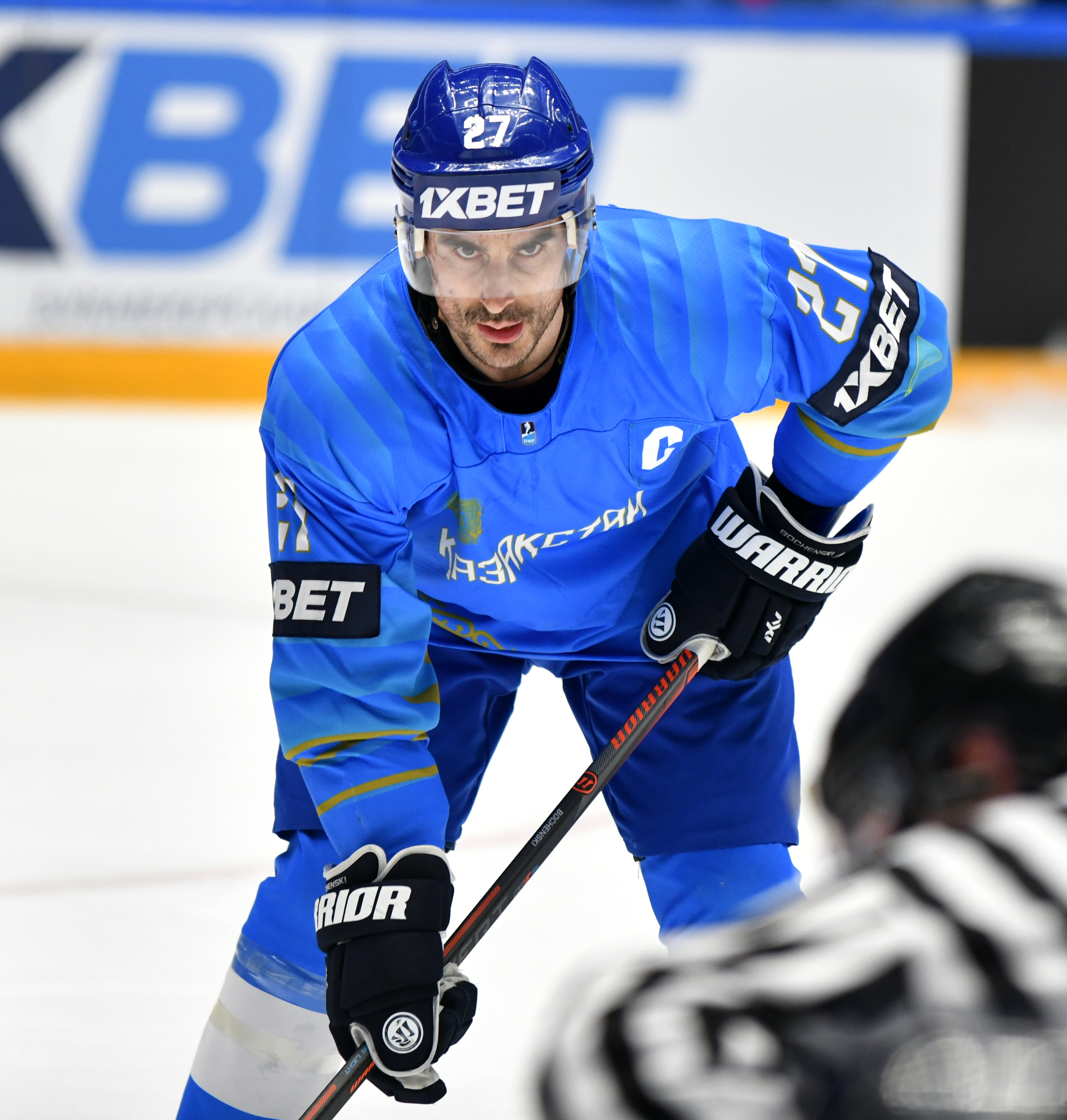 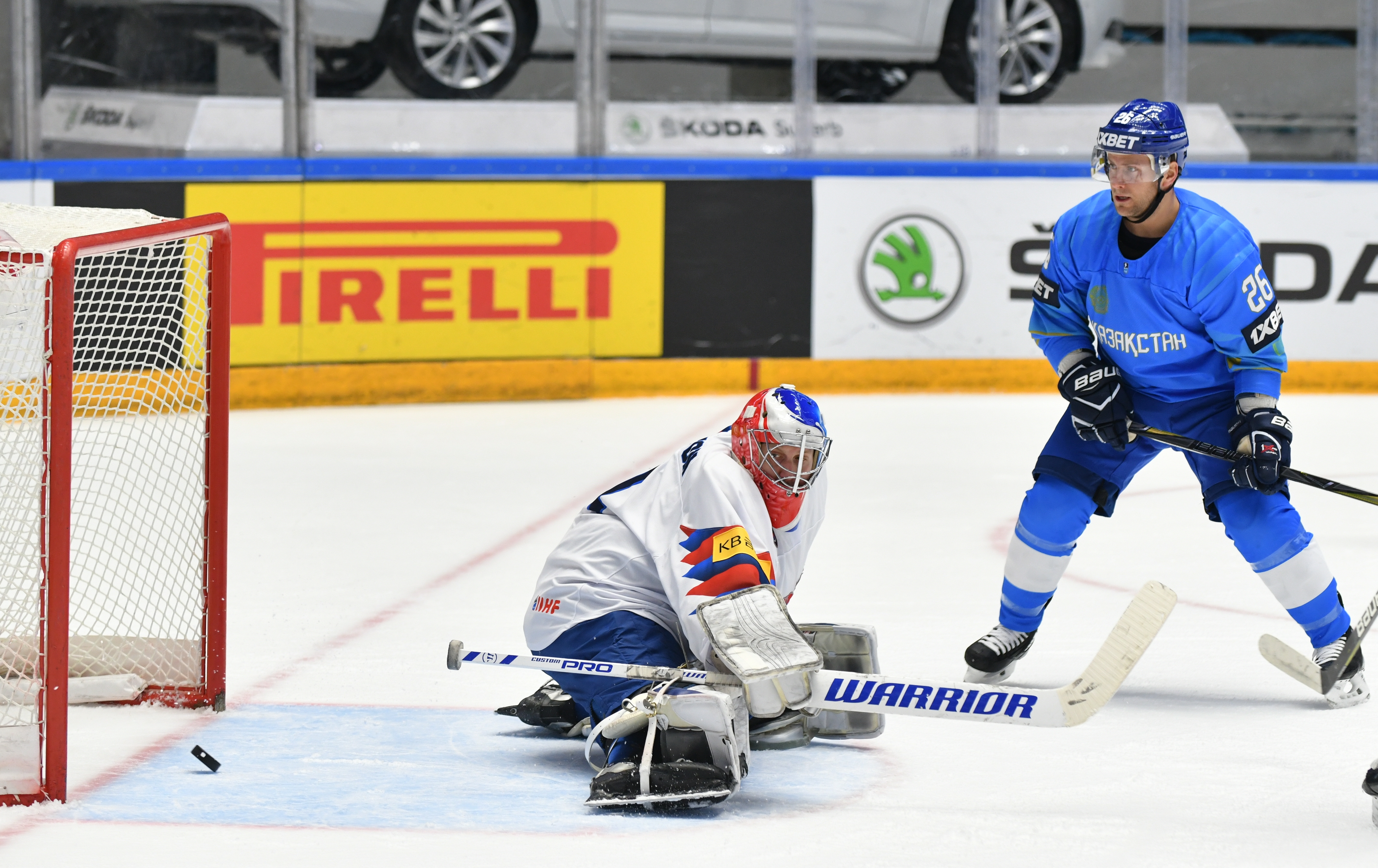 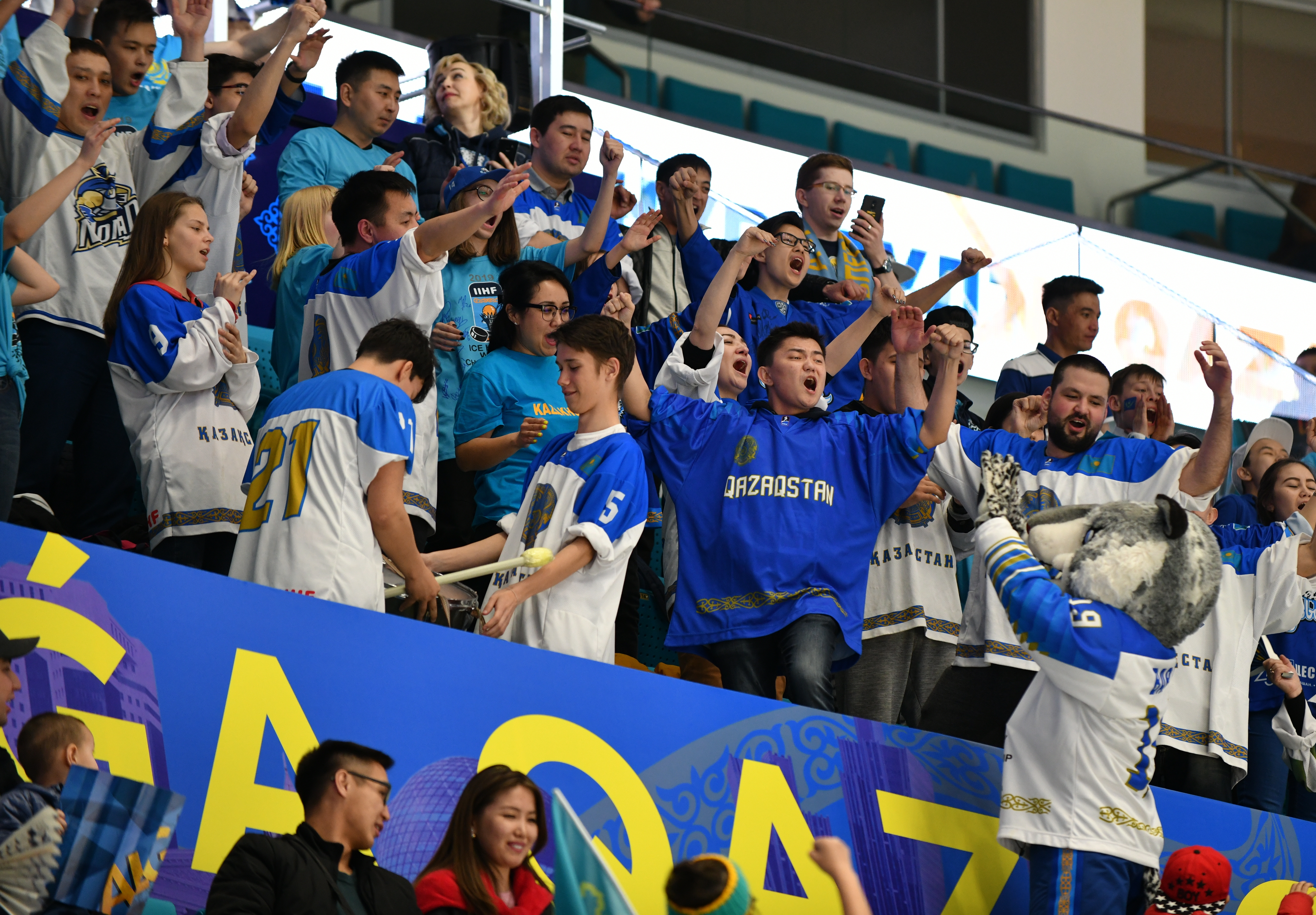 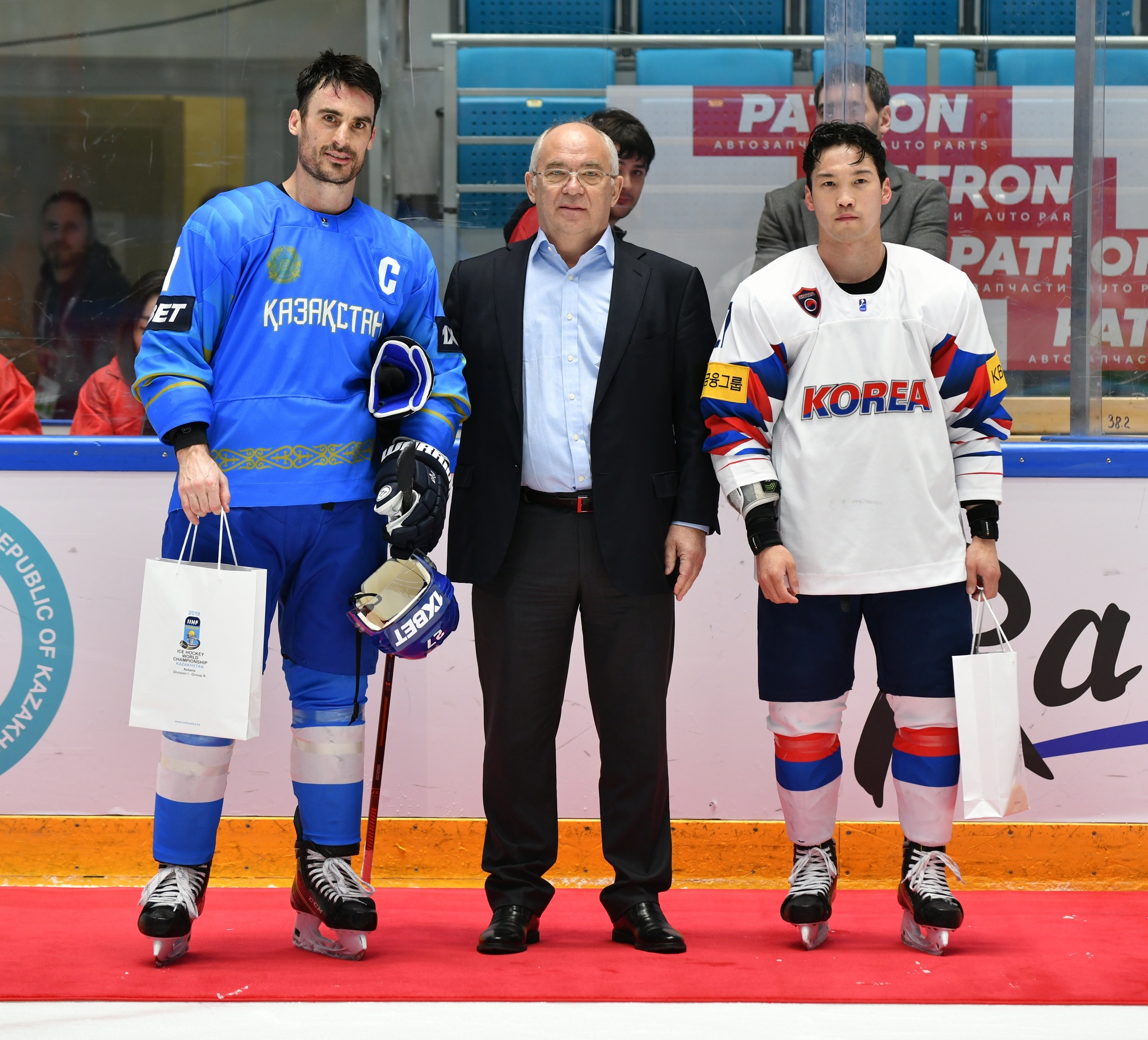 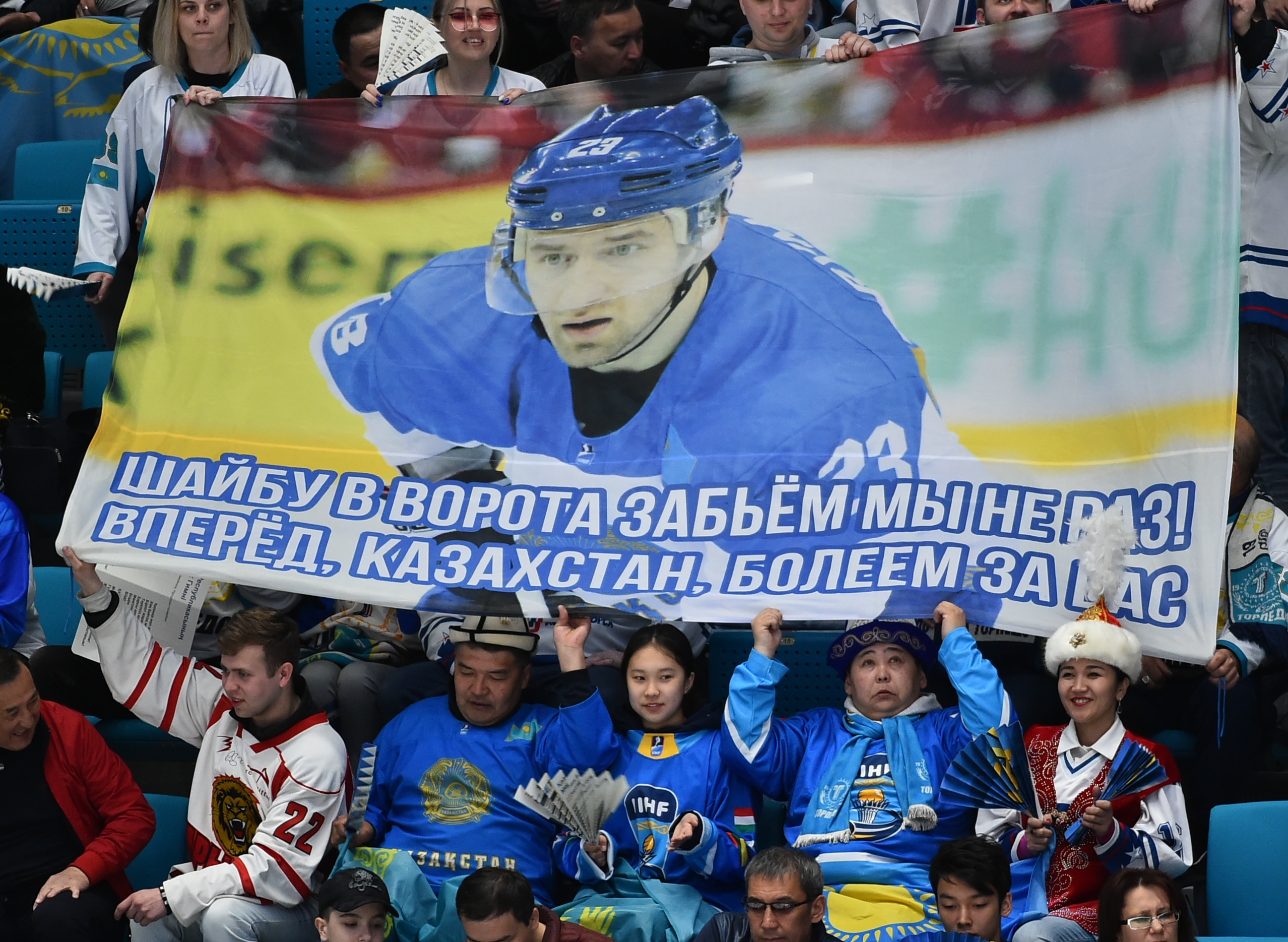 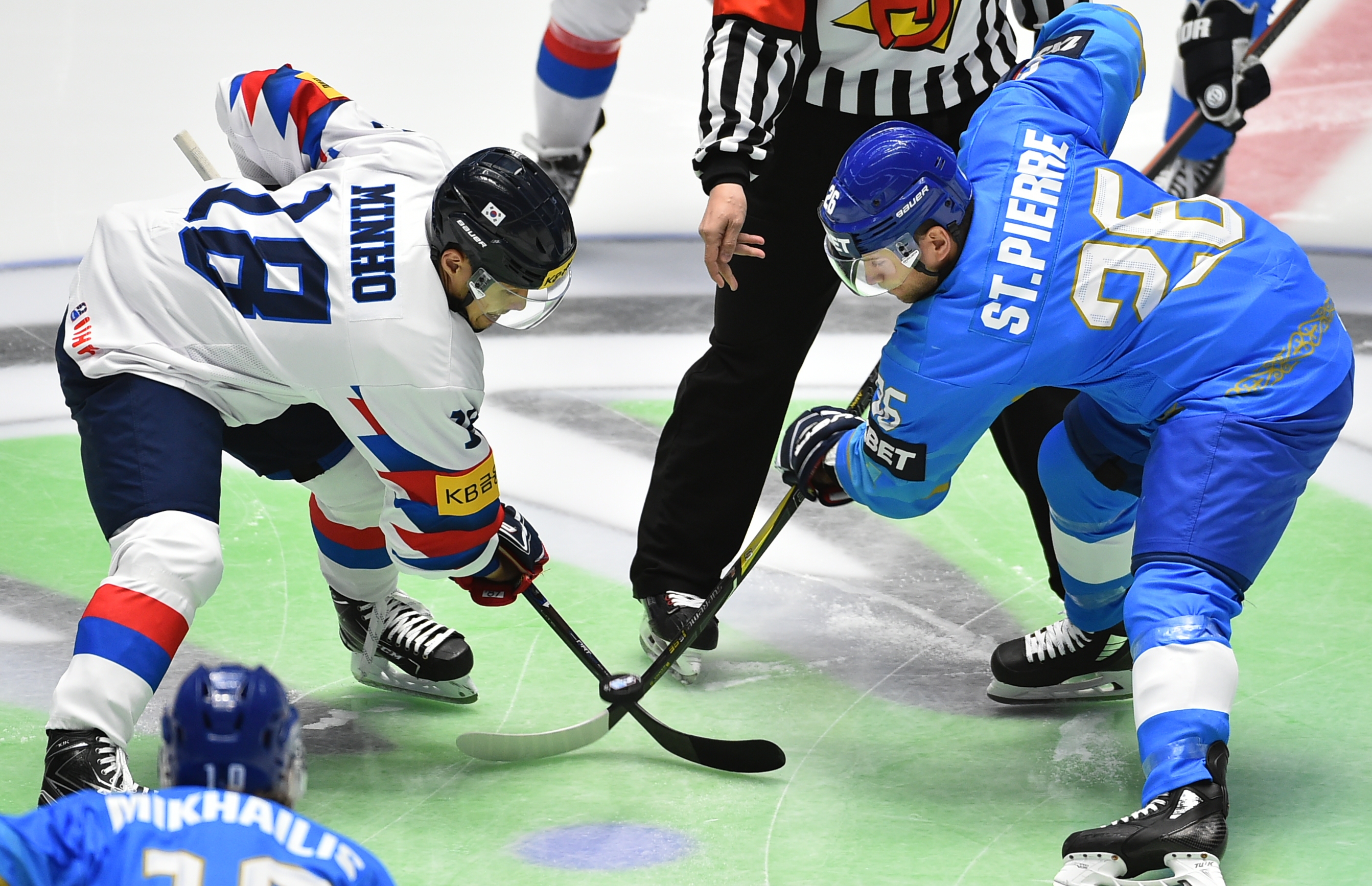 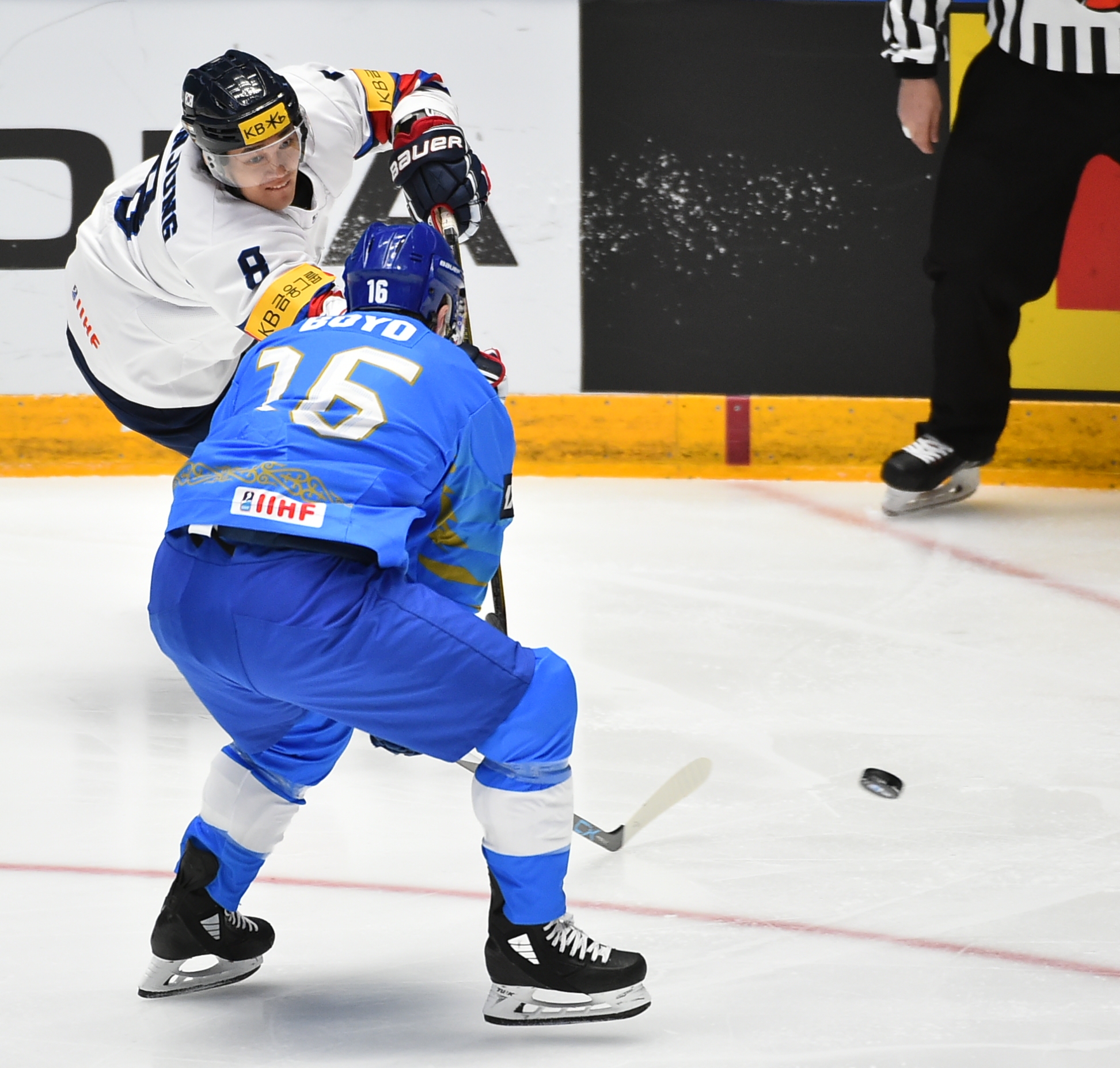 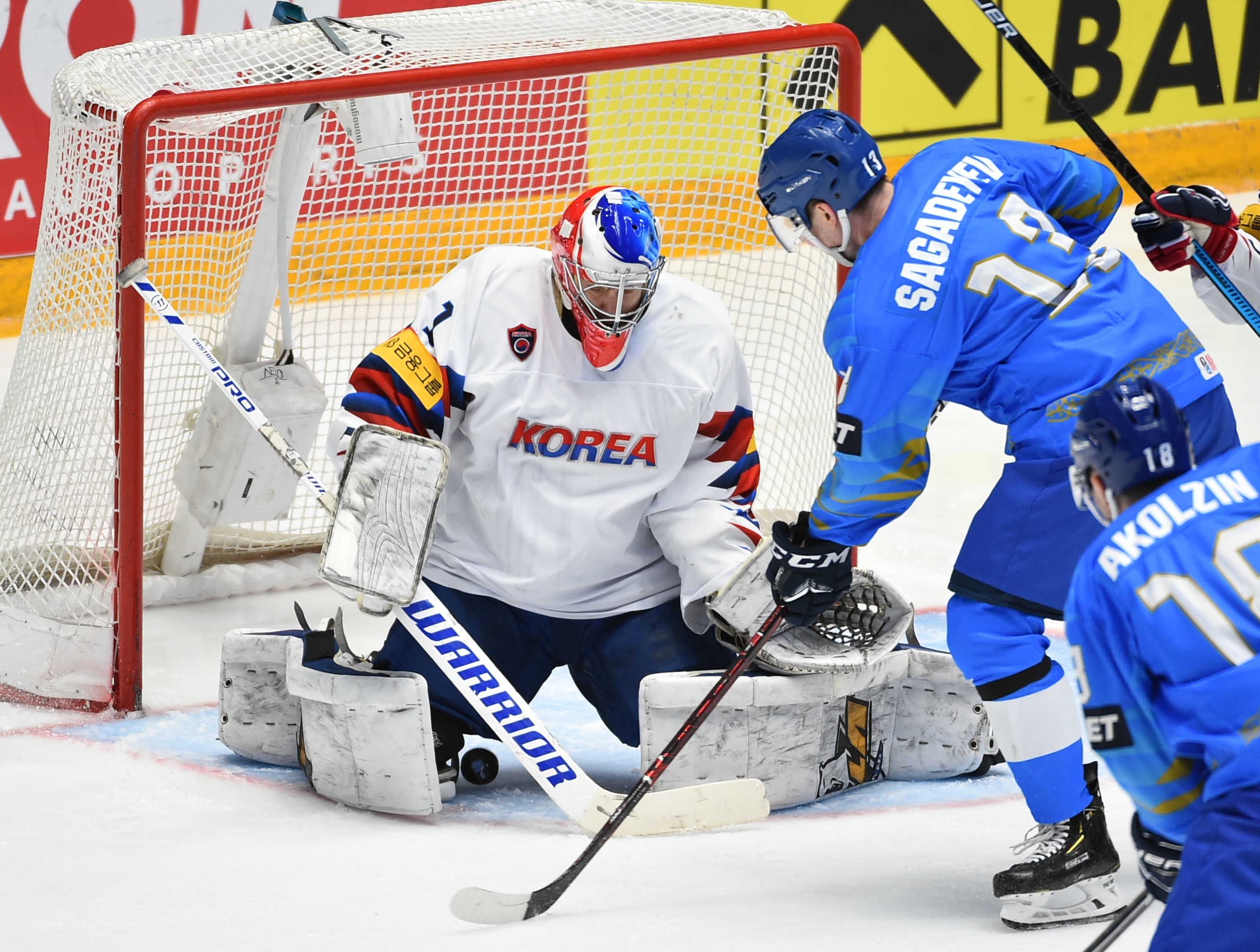 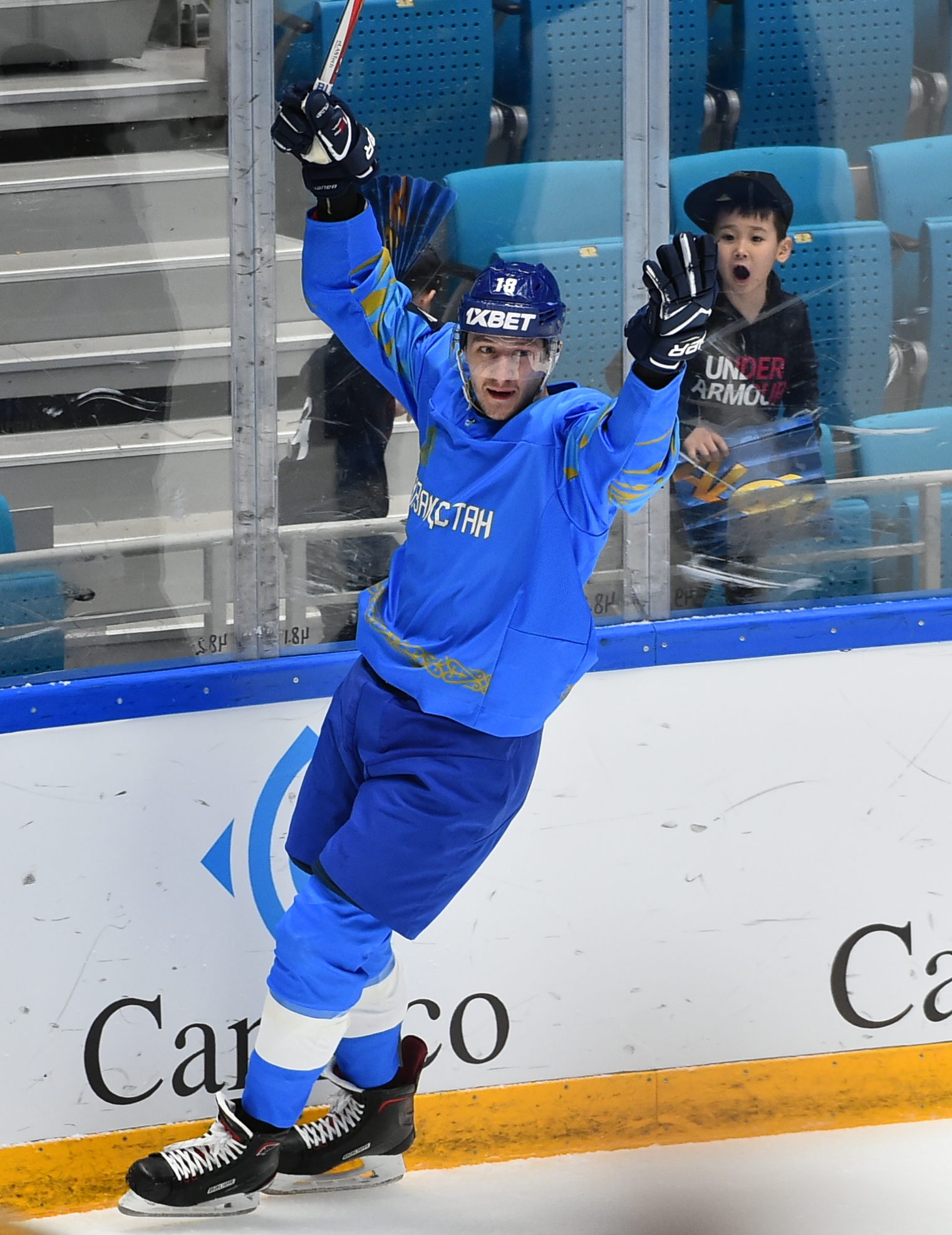 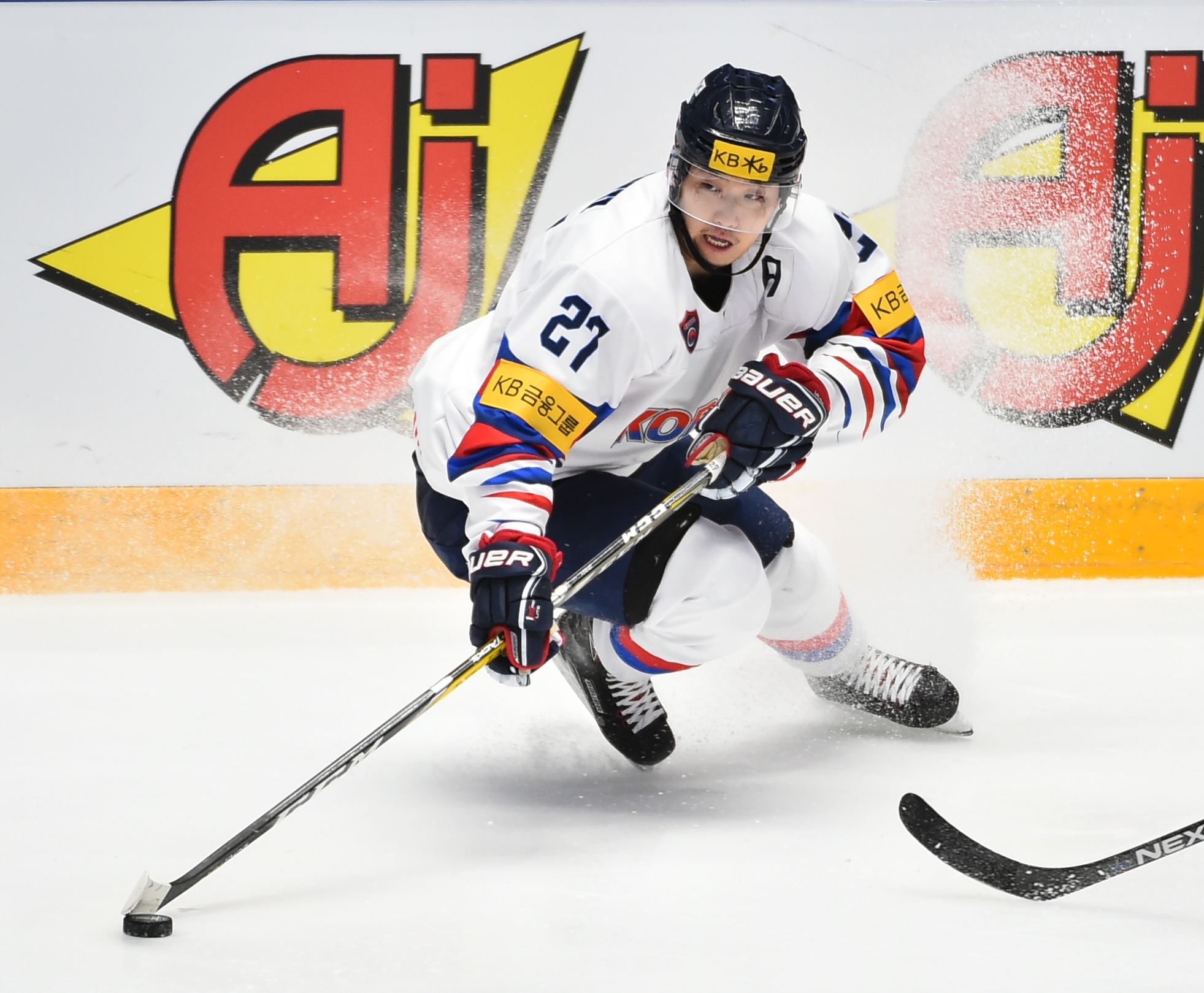 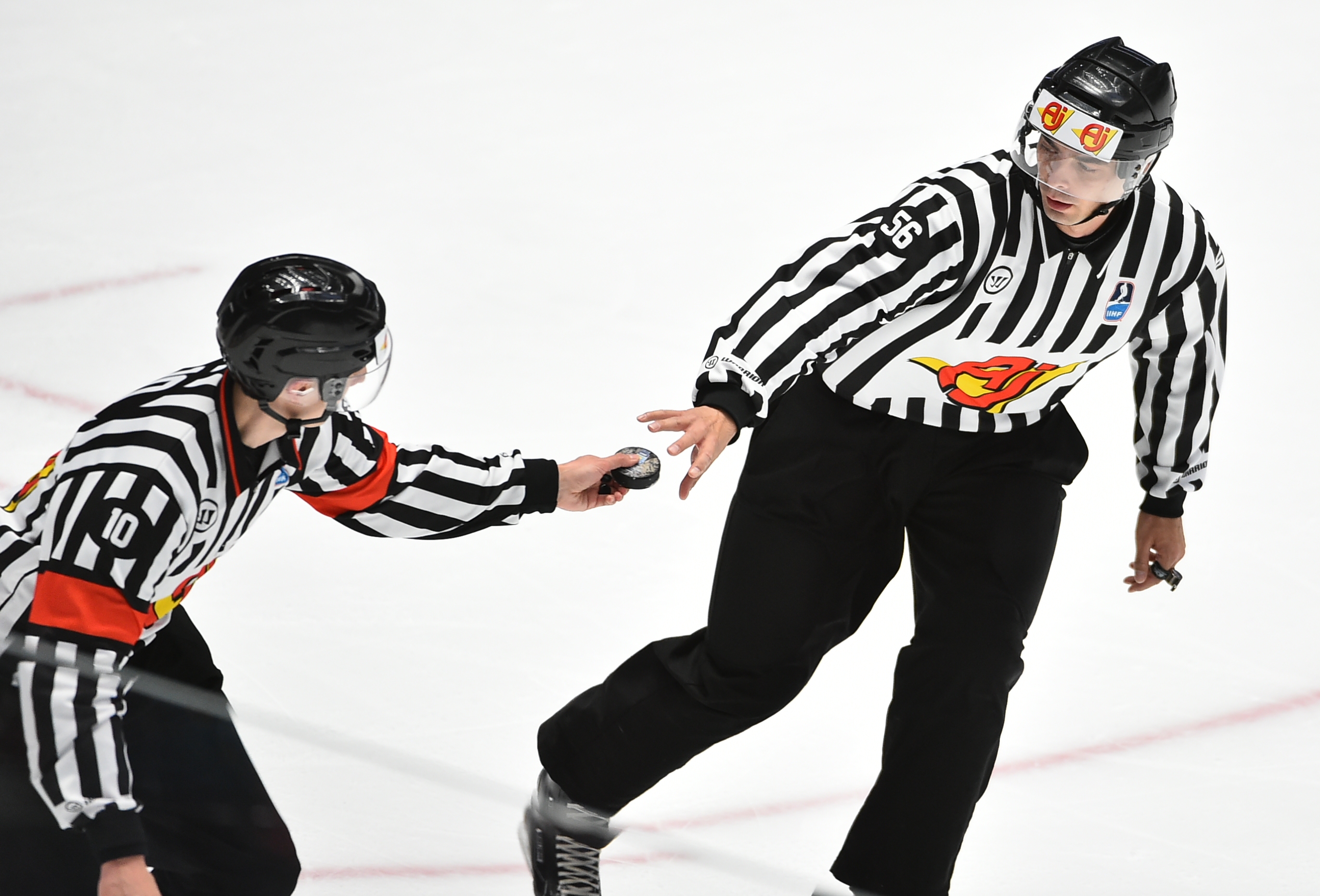 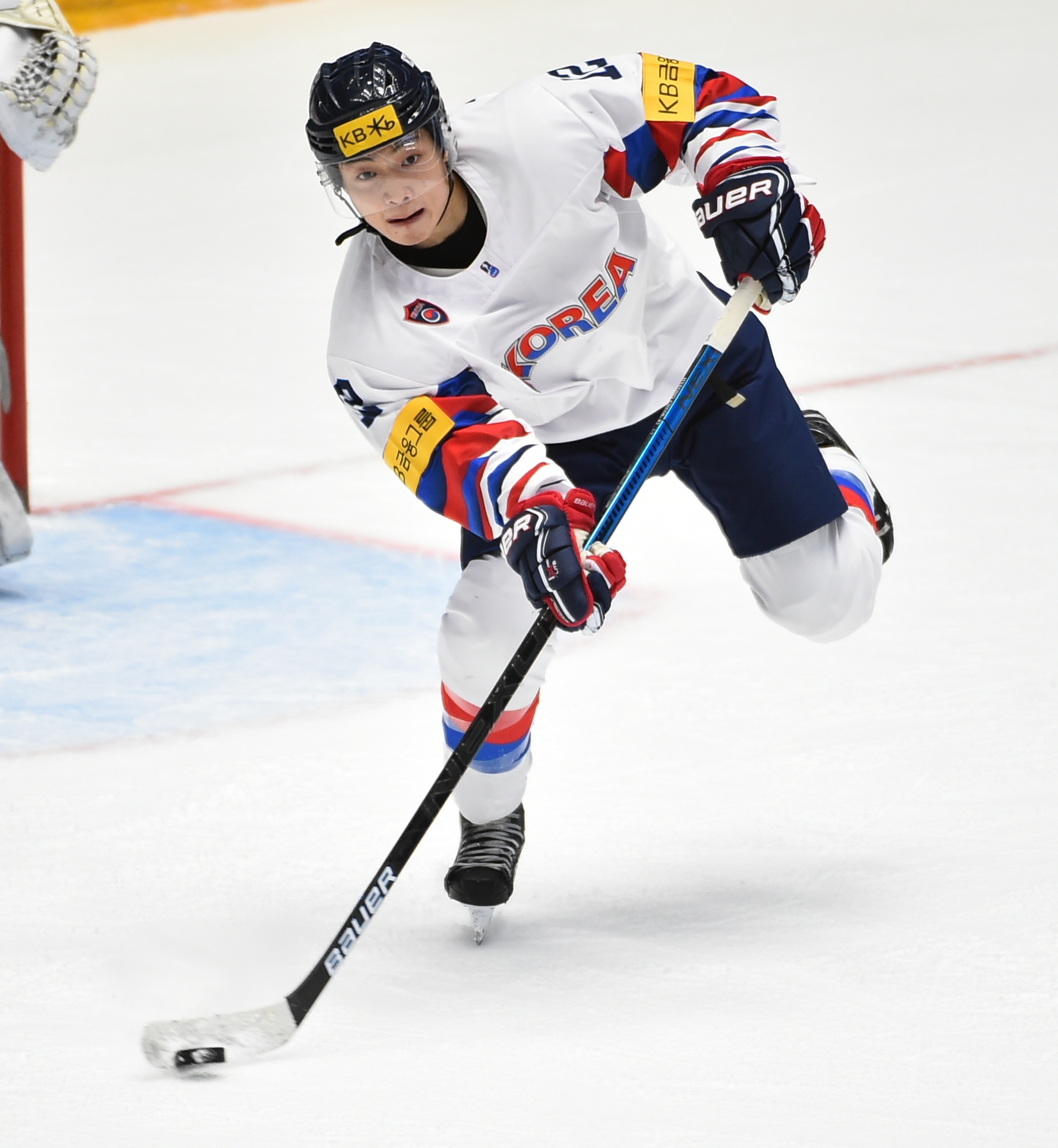 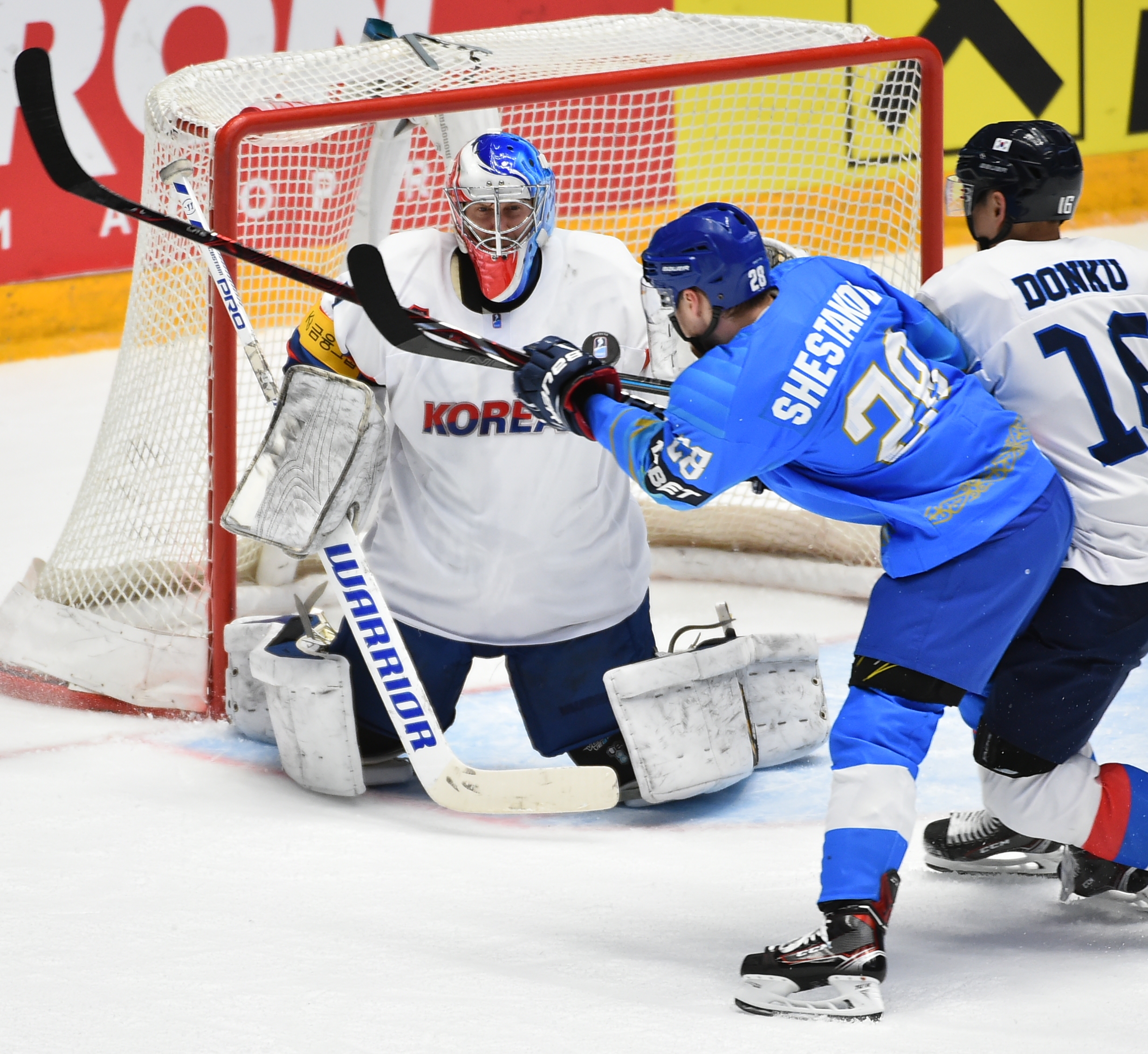 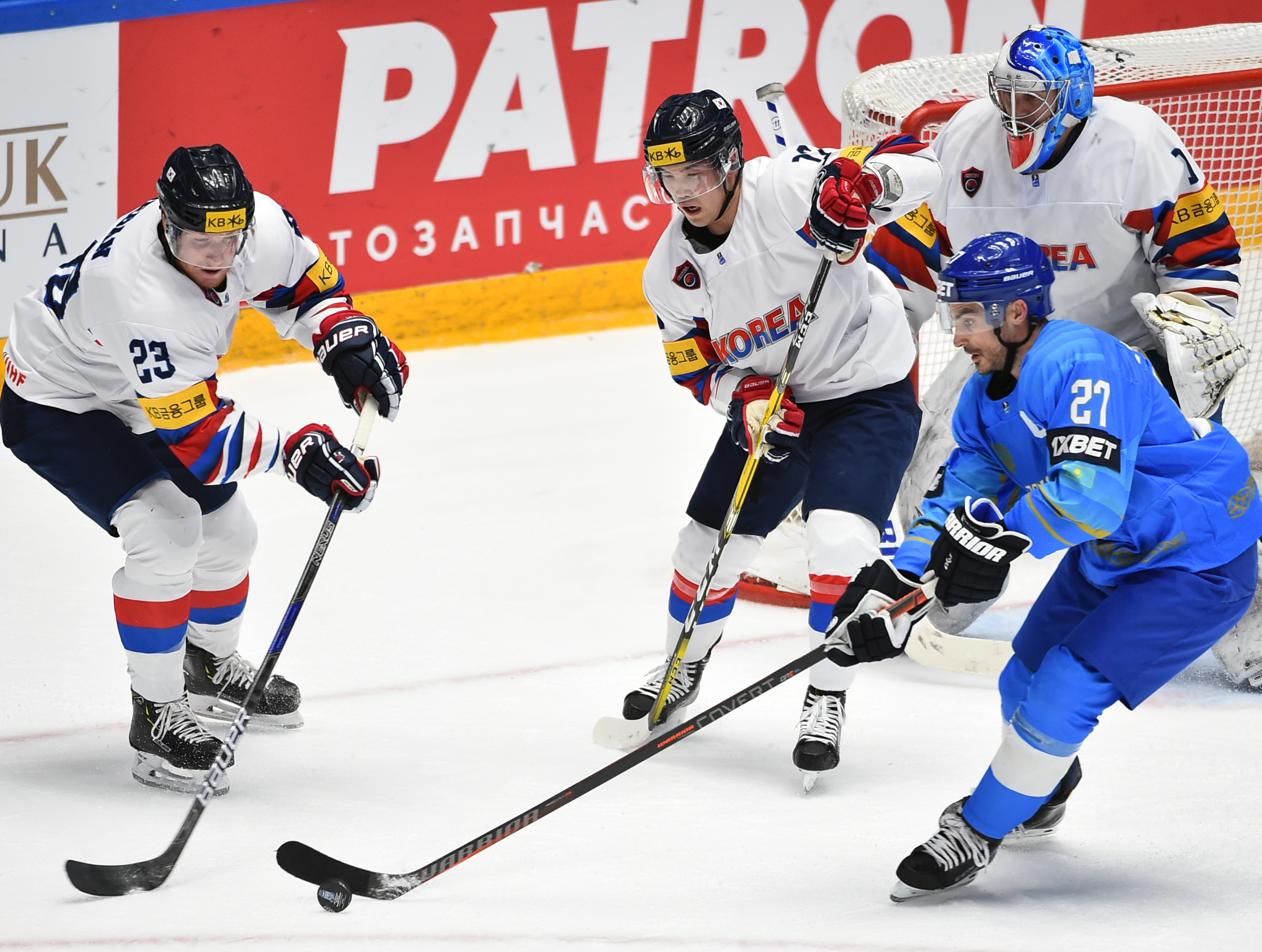 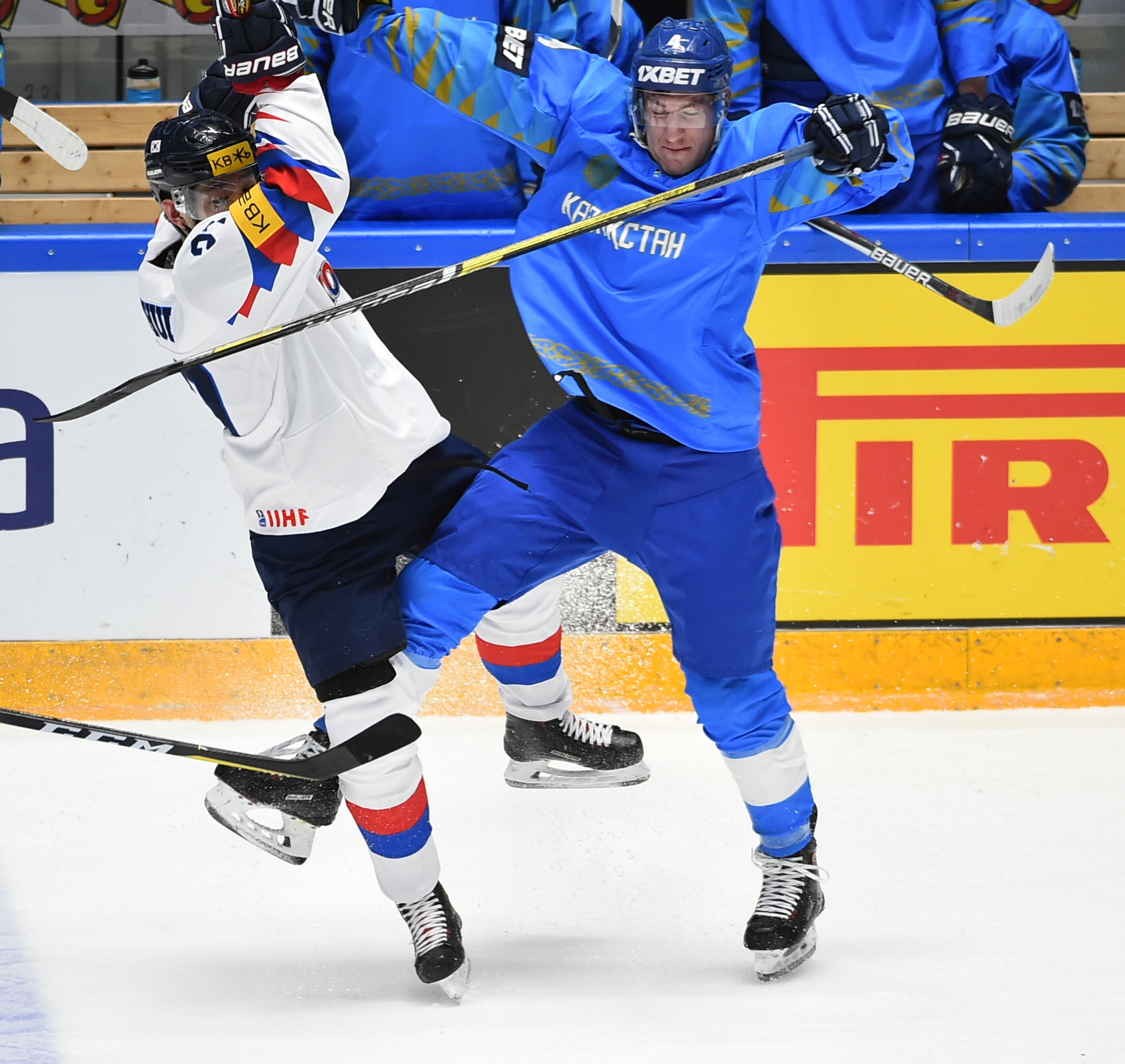 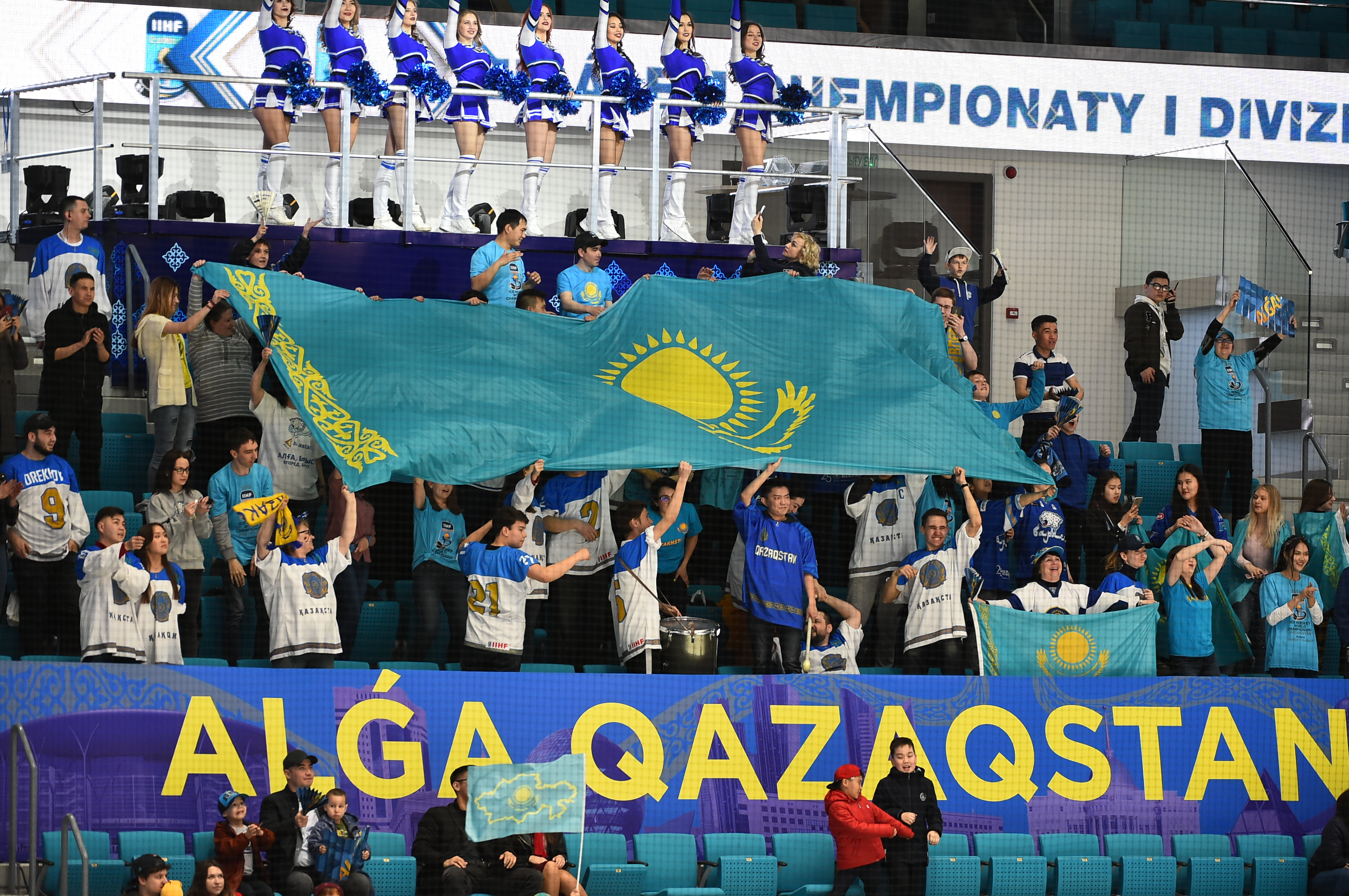 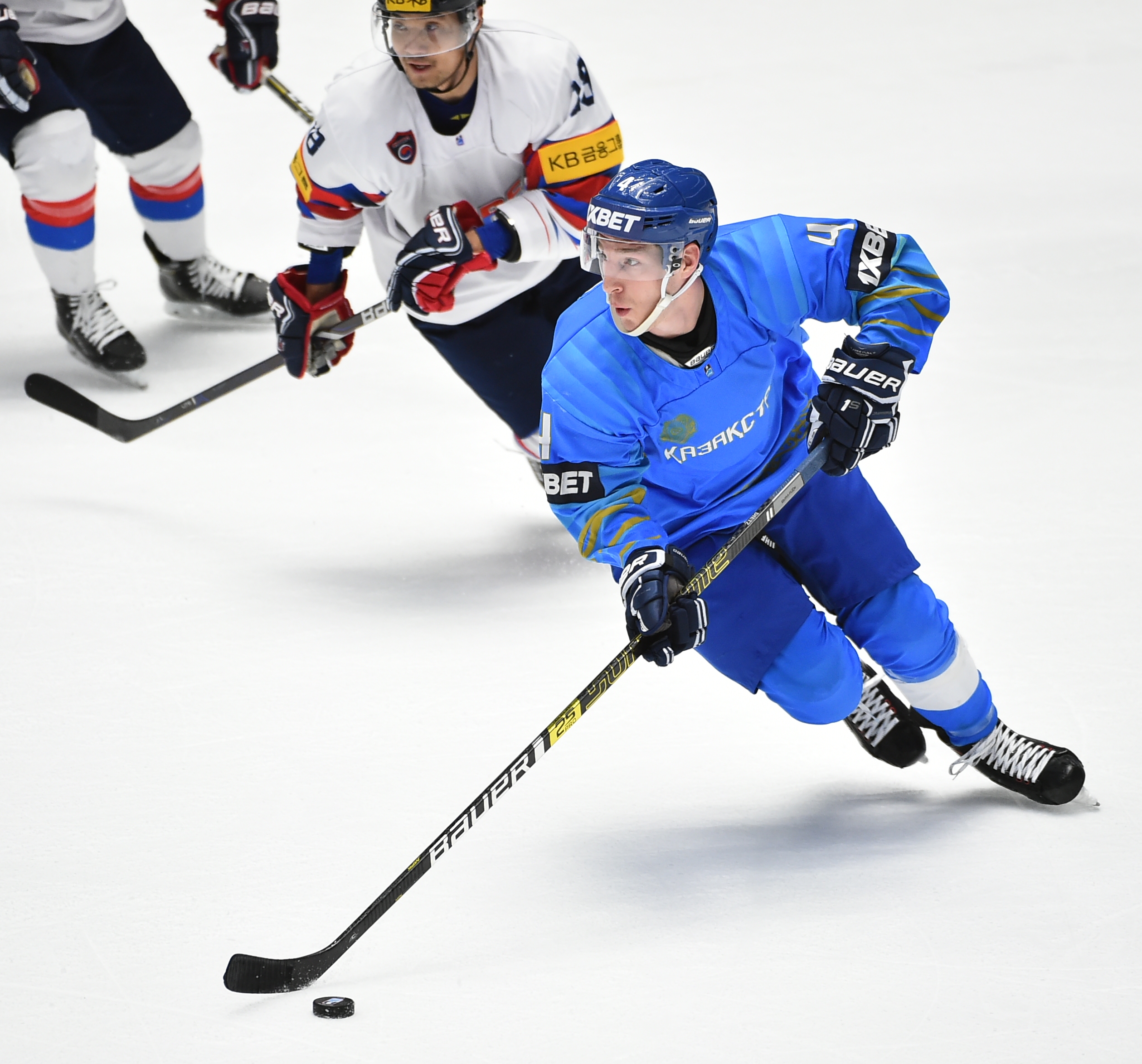