Romania upsets again!
Romania is on a roll and heads Division IB with two games to go
photo: HENDRIK SOOTS
share
It is a scenario few if any would have dared to dream about going into the tournament. With two games to go, Romania moved into pole-position for the gold medals at the 2019 IIHF Ice Hockey World Championship Division I Group B in Tallinn, Estonia.

Romania surprised once again. Having already overcome Estonia and Japan, next in line became pre-tournament favourites Poland who was toppled 3-2 after overtime.

Pavlo Borysenko scored Romania´s powerplay winner 4:07 into overtime. It is Romania´s first victory at World Championship level against Poland since a 4-3 win in 1963.

"I am really happy and right now I cannot explain myself the way I would like to. The team did a great job, mostly in defence. We scored twice on the powerplay and our goalie shut the door," said Romania´s veteran blueliner Attila Goga.

24-year-old Zoltan Toke made his first start game at the tournament, saving 36 shots and was deservedly voted Romania´s Best Player of the Game.

Romania is now top of the standings with seven points. Currently, level on points with Poland and one point ahead of Japan, but having the advantage of already having beaten them both. Romania now plays neighbours Ukraine on Thursday before taking on the Netherlands on Saturday.

"We haven´t got so much time to rest before the next game, but I hope in this time we will be able to clear our head and focus on the game against Ukraine and once again do a great game," said Goga.

Poland won the shots 38-23 but in terms of goals scored they were twice behind in regulation time and scored their game-tying goal thanks to an empty netter with 23 seconds to go of the third period.

"We didn´t play our best game in this tournament. We had a lot of chances, we don´t score and we didn´t have the lucky bounces," said a dejected Alan Lyszczarczyk who also was gracious in defeat to praise their opponent.

"Romania played well and they worked hard. They had a good goalie today who also had a bit of luck today," he continued.
World Men
Poland vs. Romania - 2019 IIHF Ice Hockey World Championship Division I Group B
Romania takes first place and is the surprise leader of the Division IB after three days following an overtime win over Poland! Borysenko scored the OT winner.
POL ROU 01 MAY 2019
Romania went ahead on a two-man advantage 8:37 in the first period when Tamas Reszegh from left circle cross-ice passed to Szilard Rokaly who one-timed 1-0 at 8:37.

Despite Poland upping the tempo considerably, winning the shots 13-4 and pressing Romania deep, they also proved to be vulnerable at the back. But when Poland finally tied the game thanks to the tournament top scorer Damian Kapica with just over eight minutes left of regulation time, it looked like the game was tilting in Poland´s favour.

Then Romania went ahead thanks to one of the lucky bounces Poland´s Lyszczarczyk mentioned in his post-match interview.

With the puck cleared into Poland´s defensive zone, Romania´s Gergo Biro chased it with Poland´s Arkadiusz Kostek. With Poland´s netminder Przemyslaw Odrobny clearing the puck it hit Kostek´s right shin and into the net with 6:35 left of regulation time. The goal was credited to Anton Botuchnov who was the last Romanian player on the puck.

Poland then went for bust. Odrobny was pulled from the net with 1:49 left and with just 23 seconds left of regulation time, Pavel Dronia who strengthened the team ahead of this game, found Krystian Dziubinski in the slot who hit home Poland´s equalizer to take the game into overtime.

Dronia got a hooking call in overtime and on the ensuing powerplay Borysenko drove the puck high past Odrobny from the slot.

With Romania currently on a high and need to try and keep their feet on the ground, Poland needs to pick themselves up straight away with Estonia up next ahead of a final day tie against Japan.

"We need to shoot even more on the net and also screen more. We just need to focus to win our last two games and hope Romania lose points,"  said Lyszczarczyk.
Poland vs. Romania - 2019 IIHF Ice Hockey World Championship Division I Group B 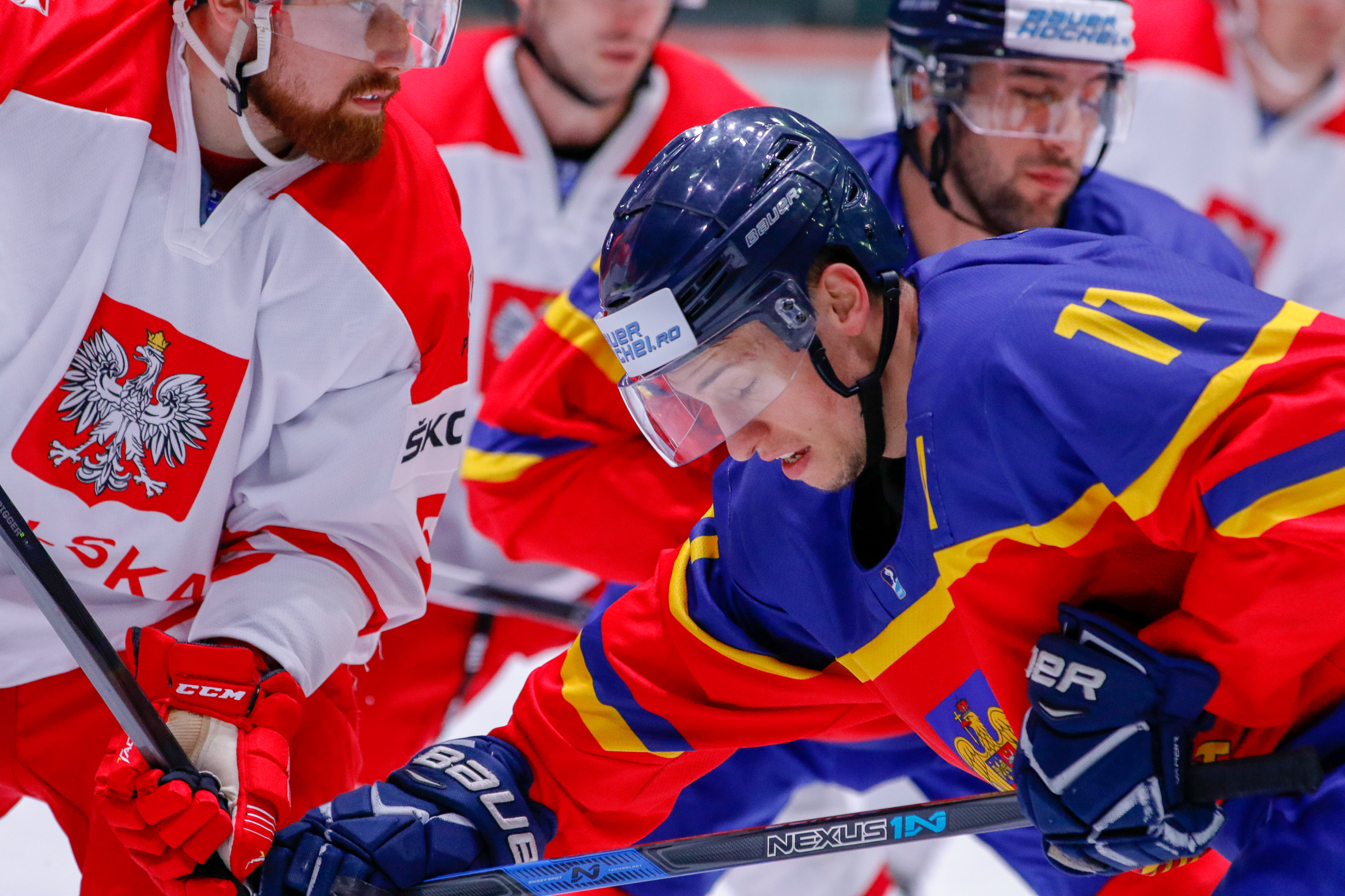 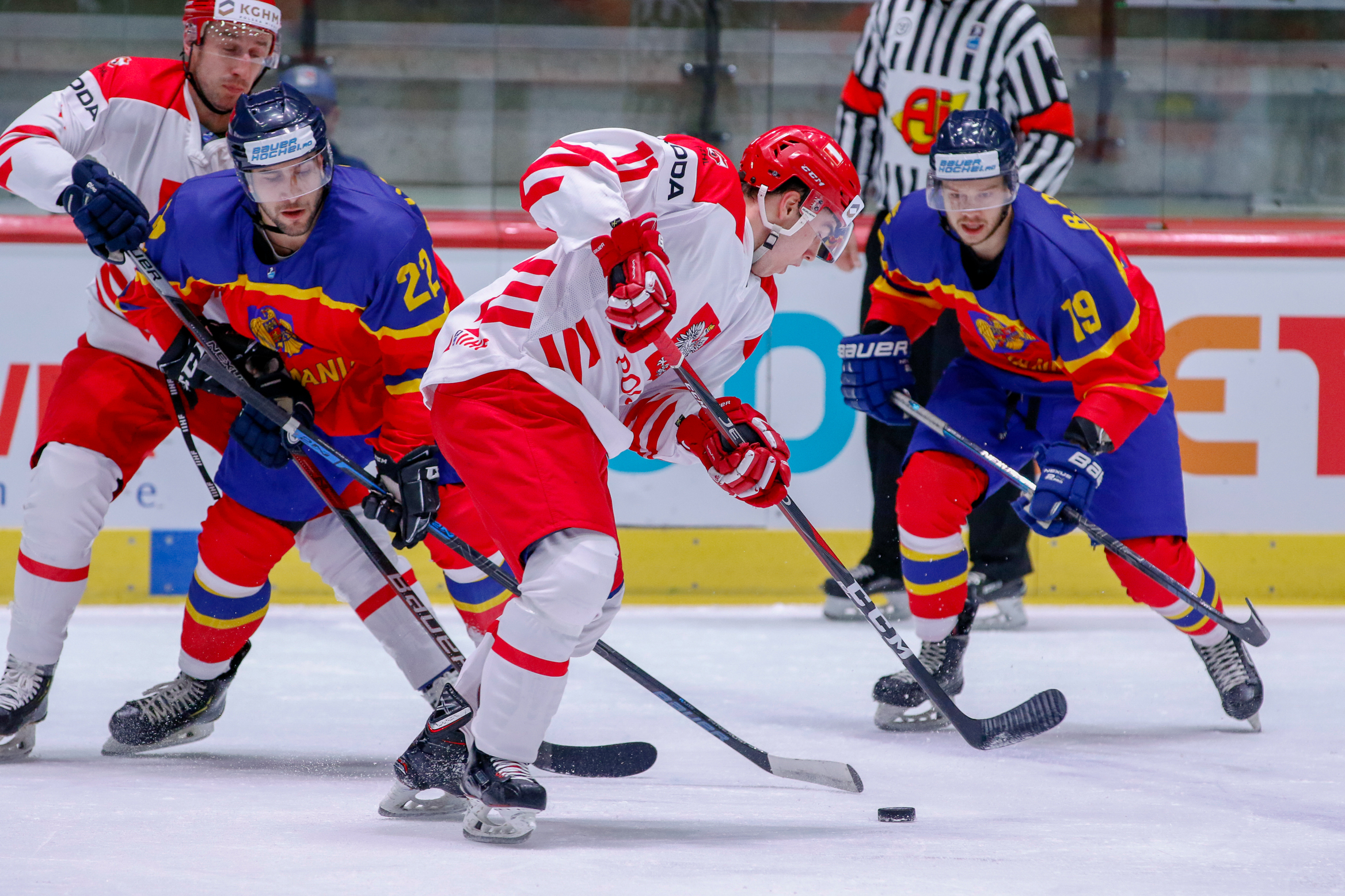 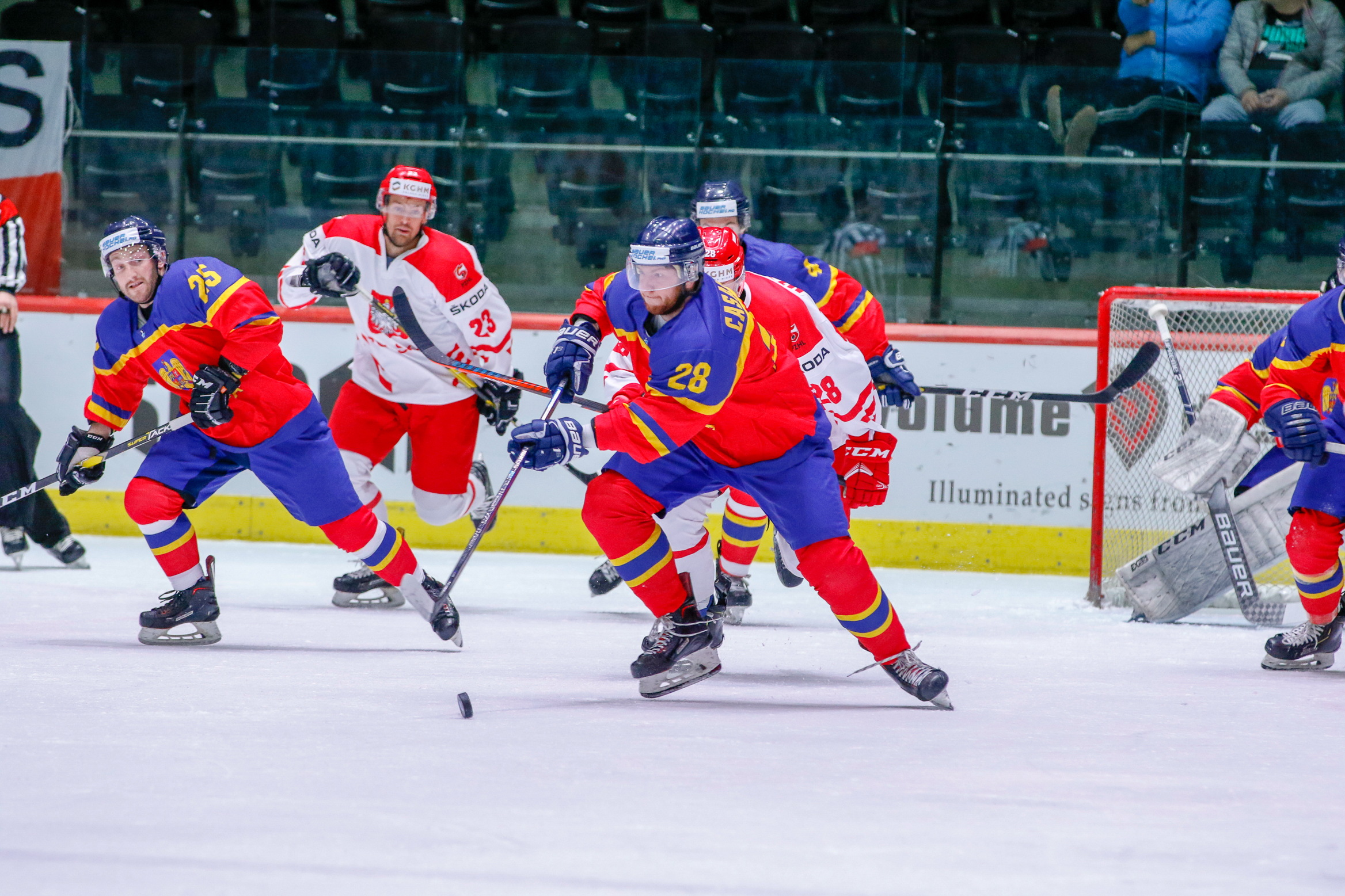 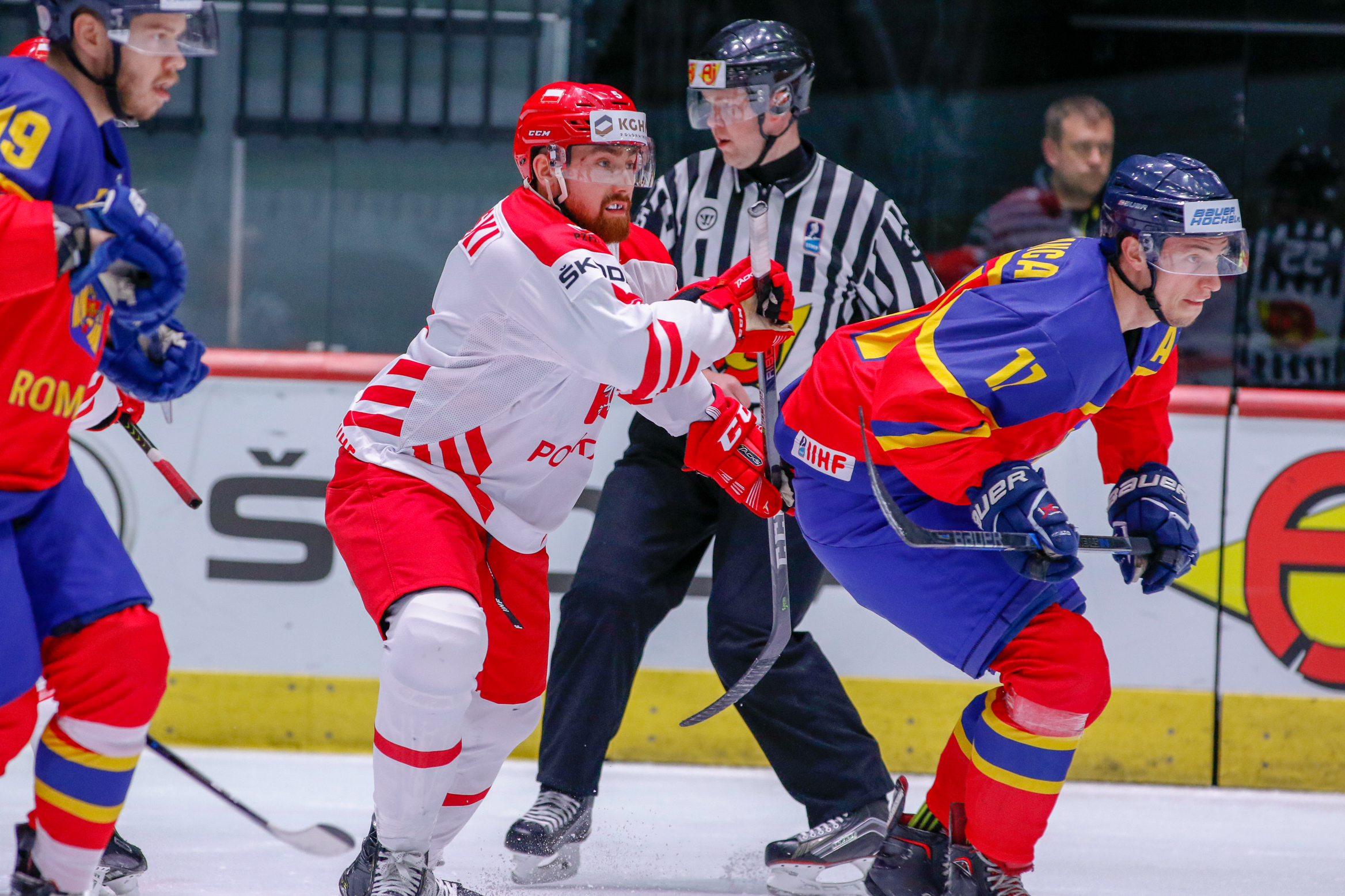 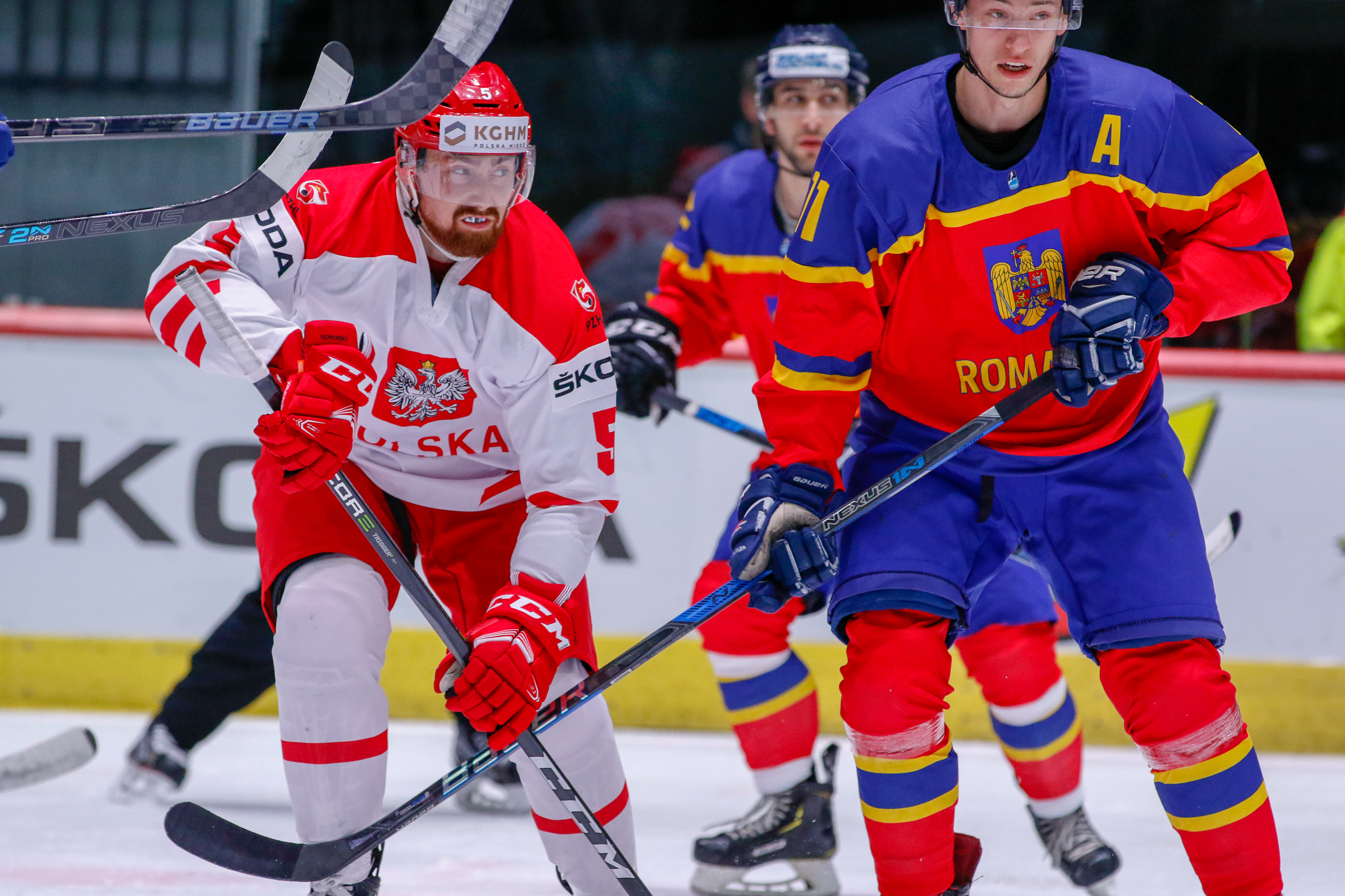 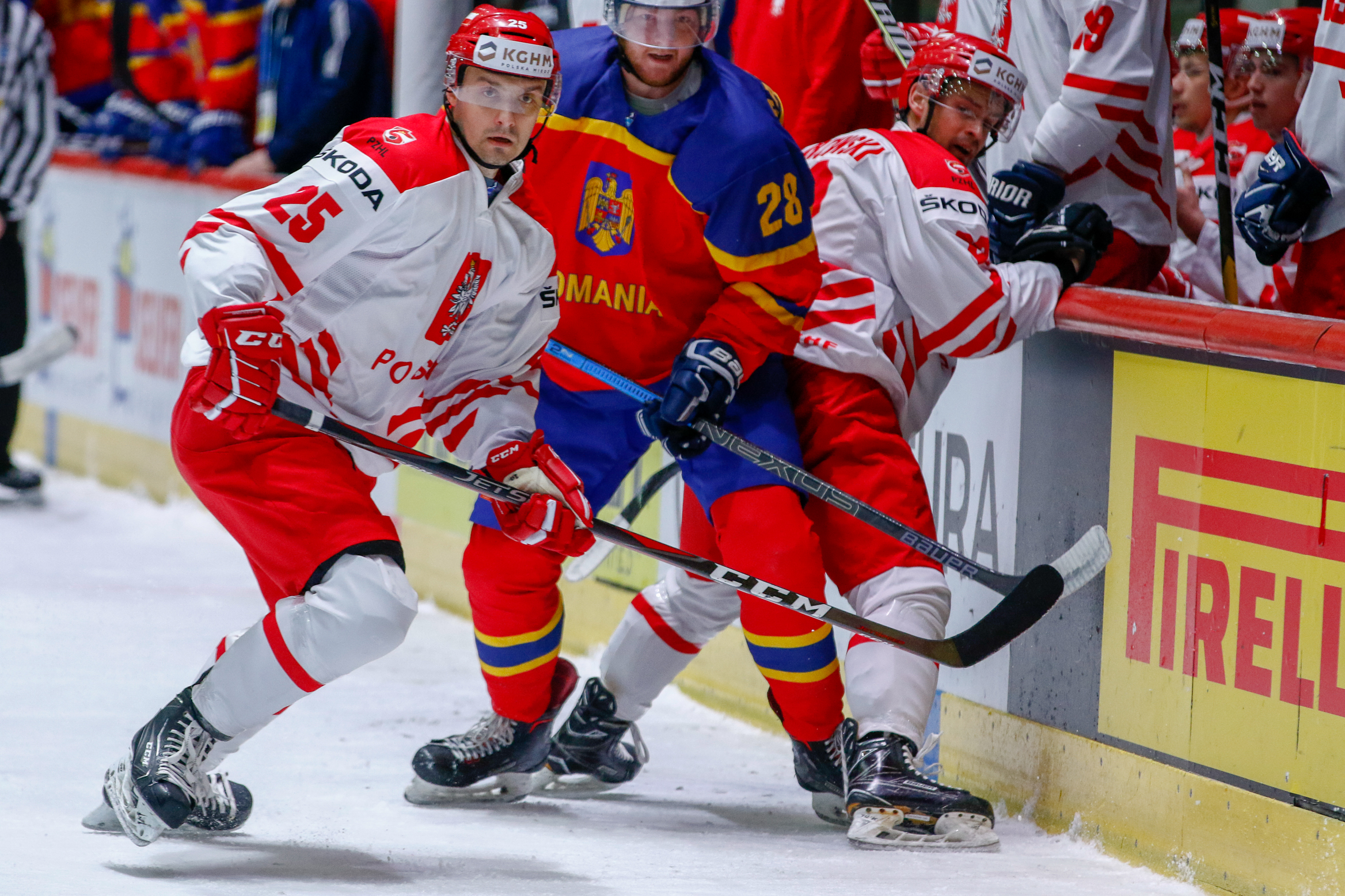 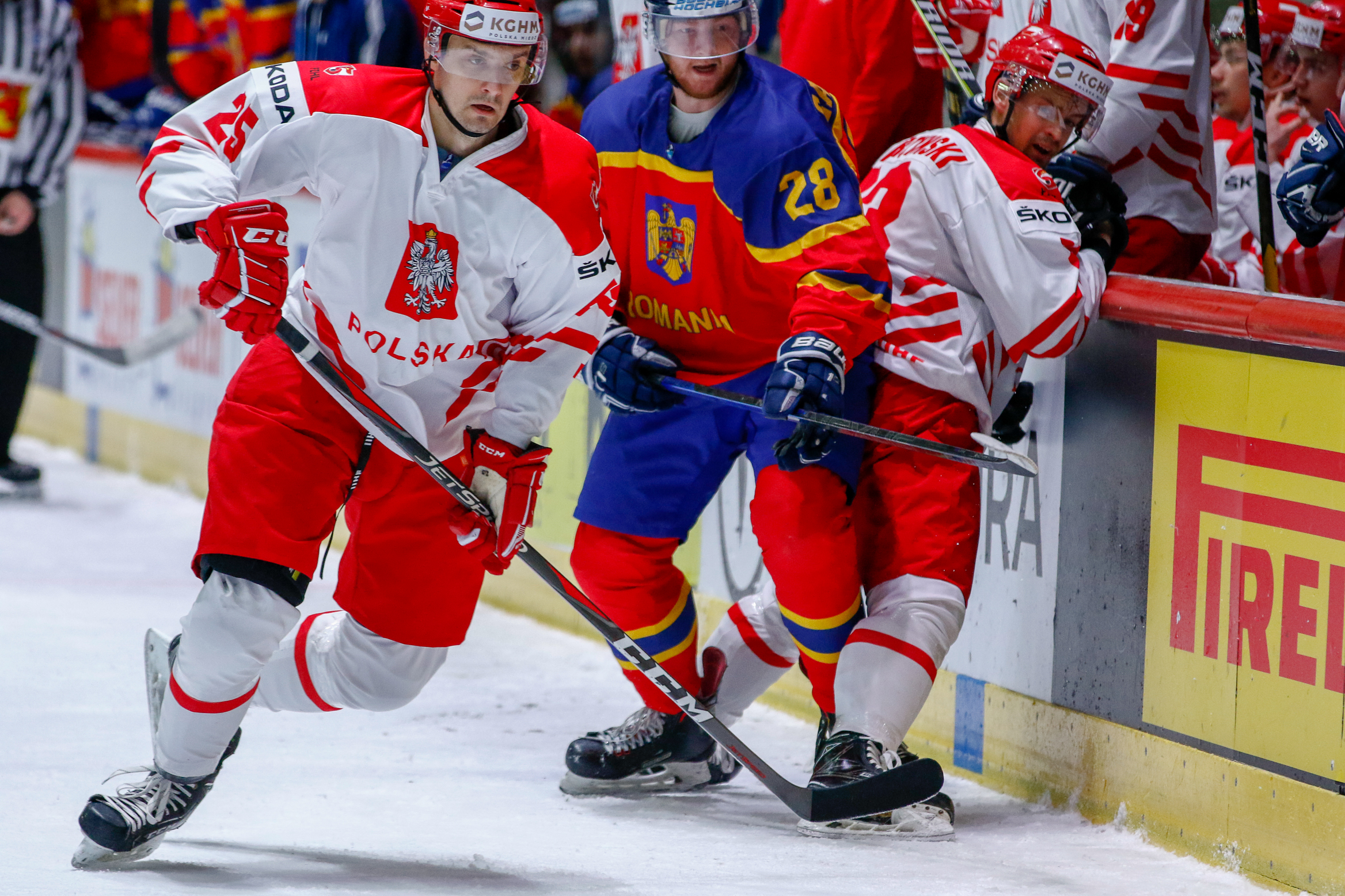 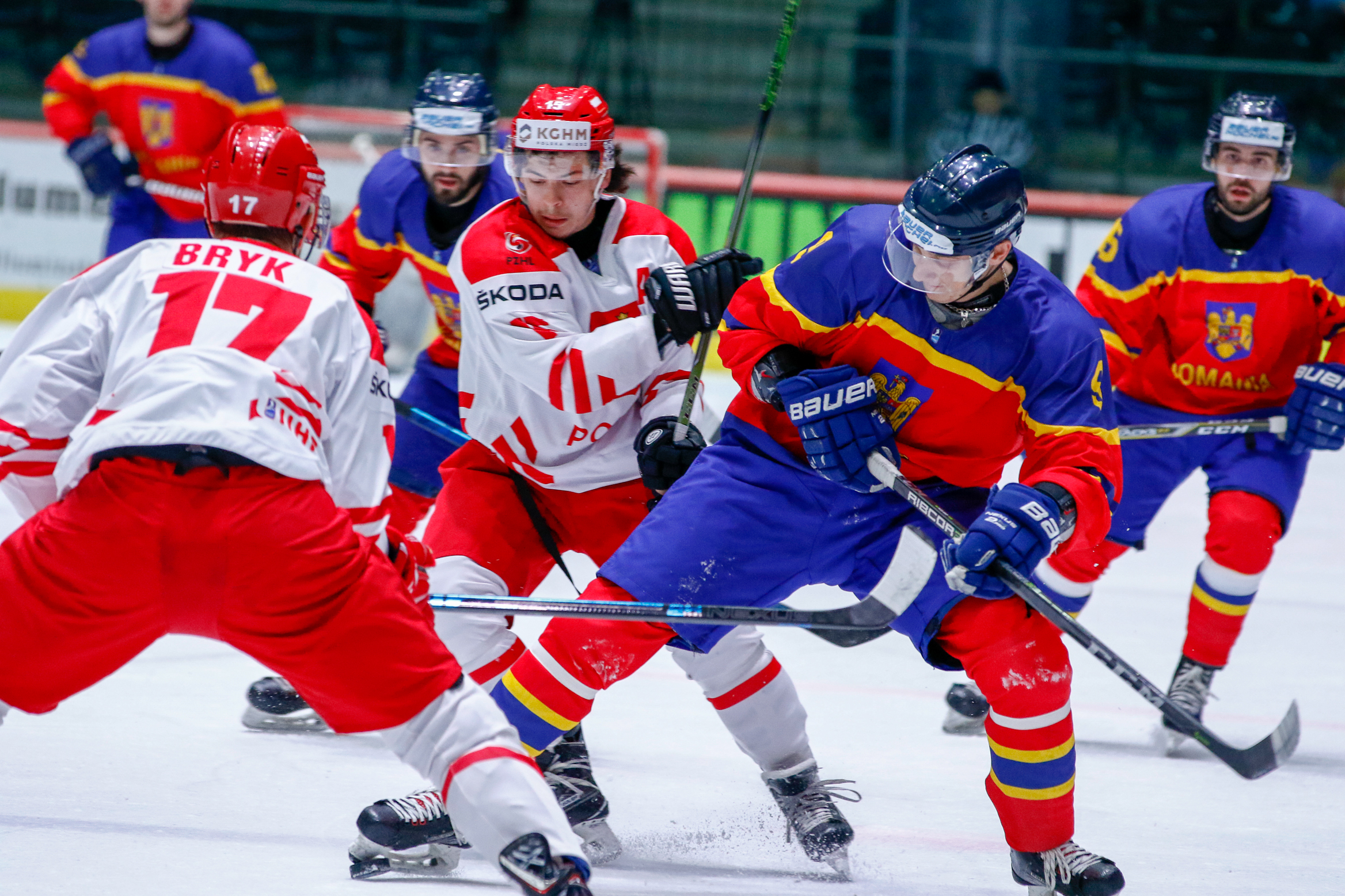 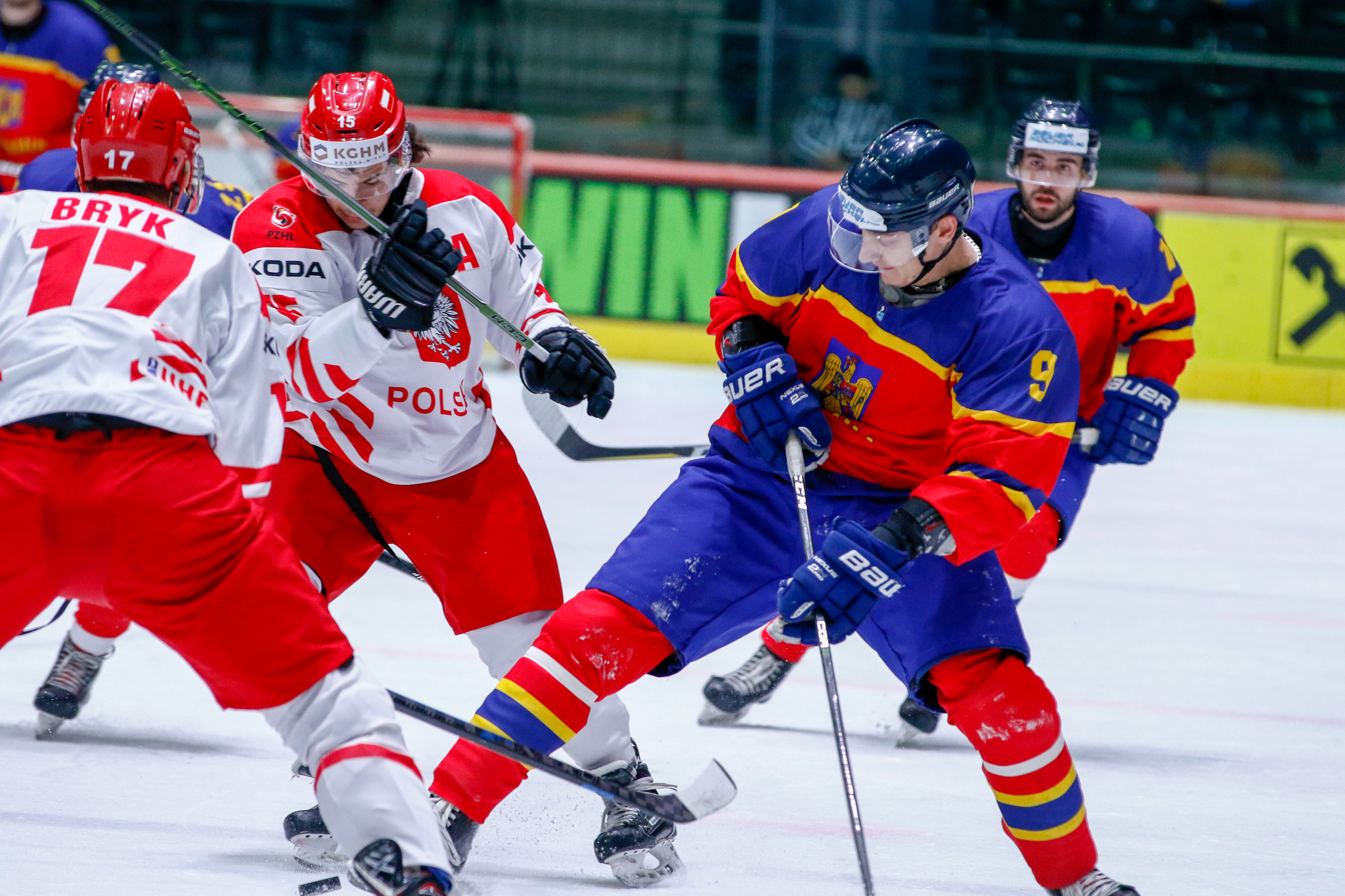 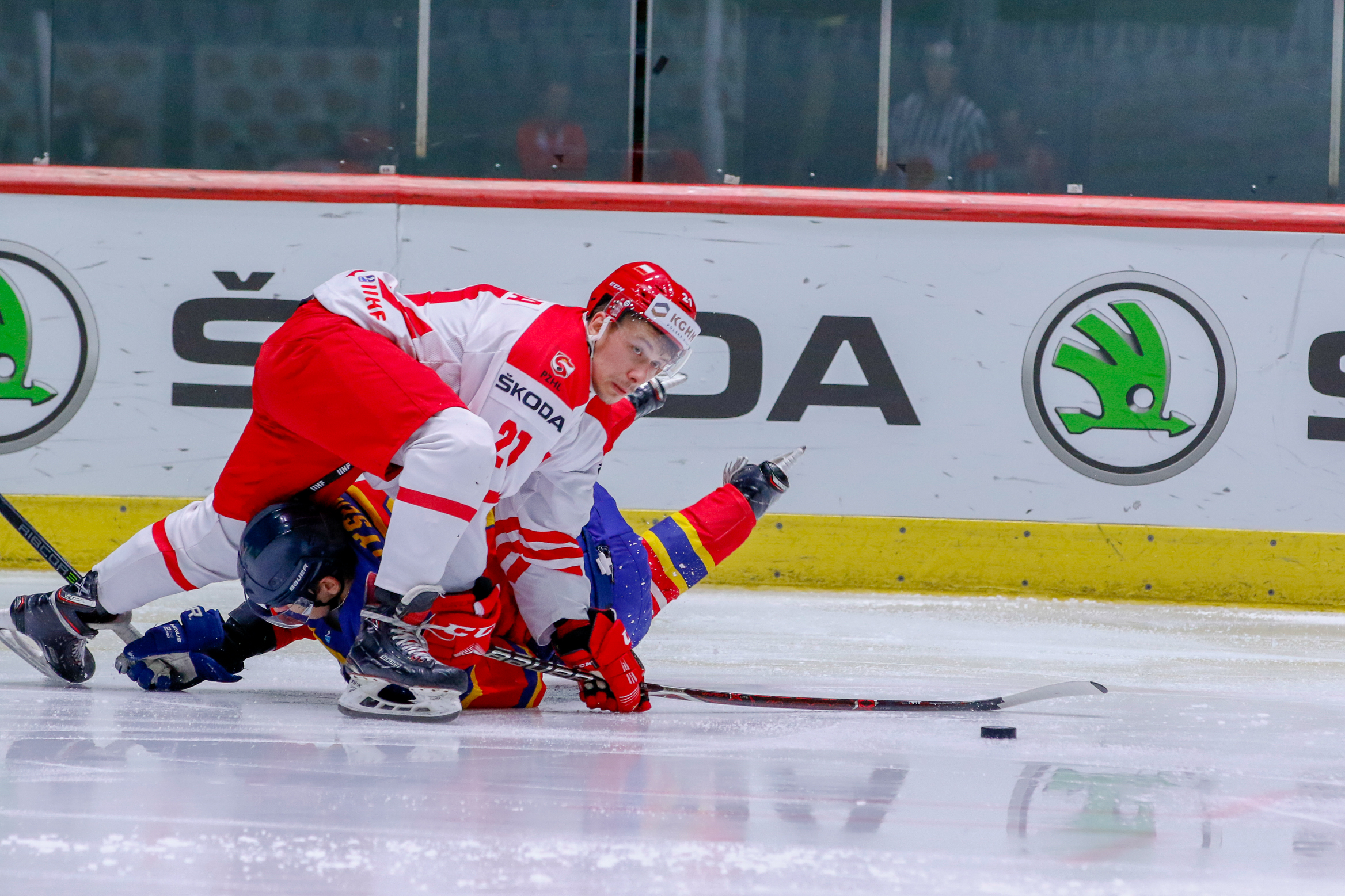 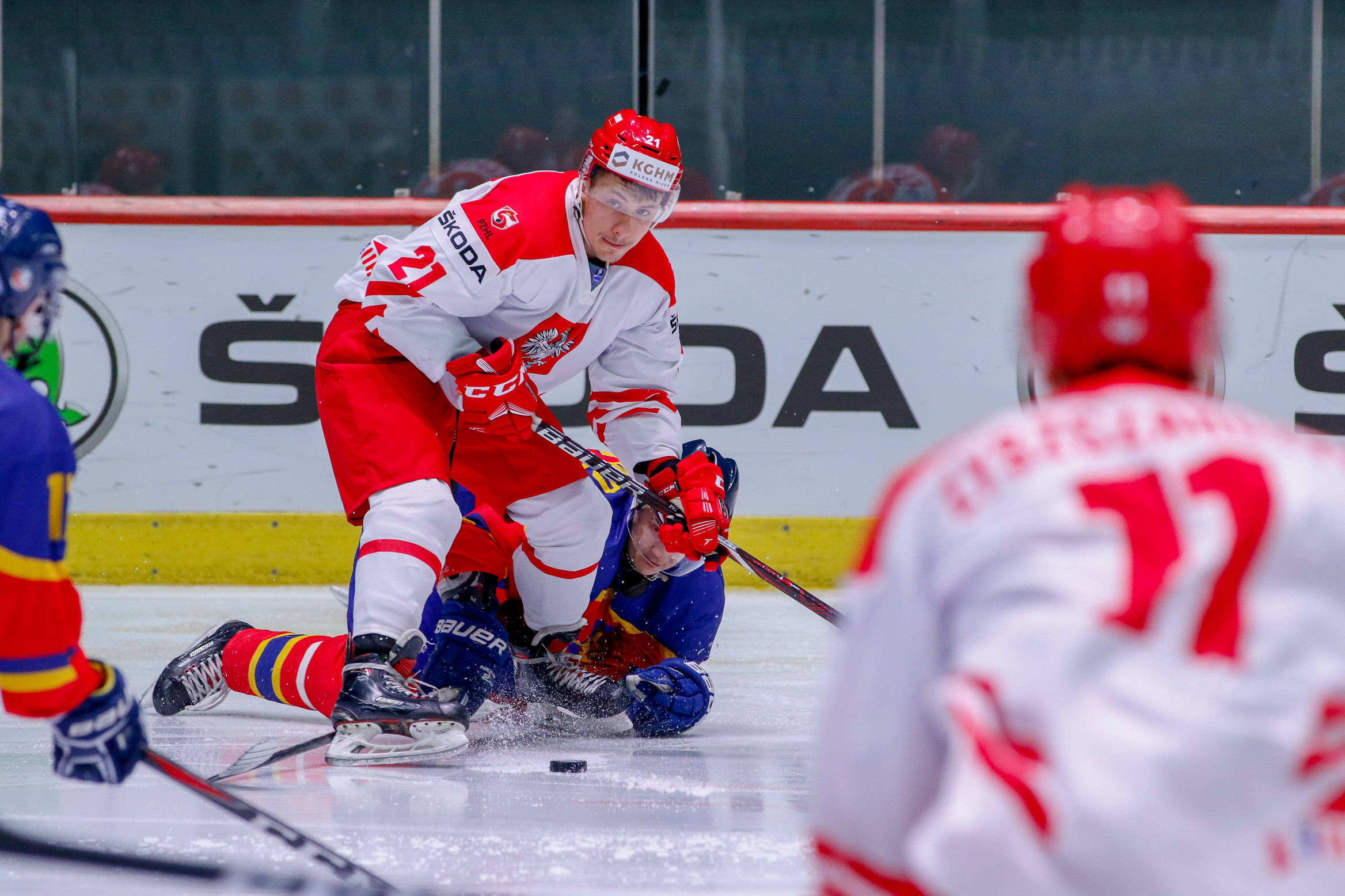 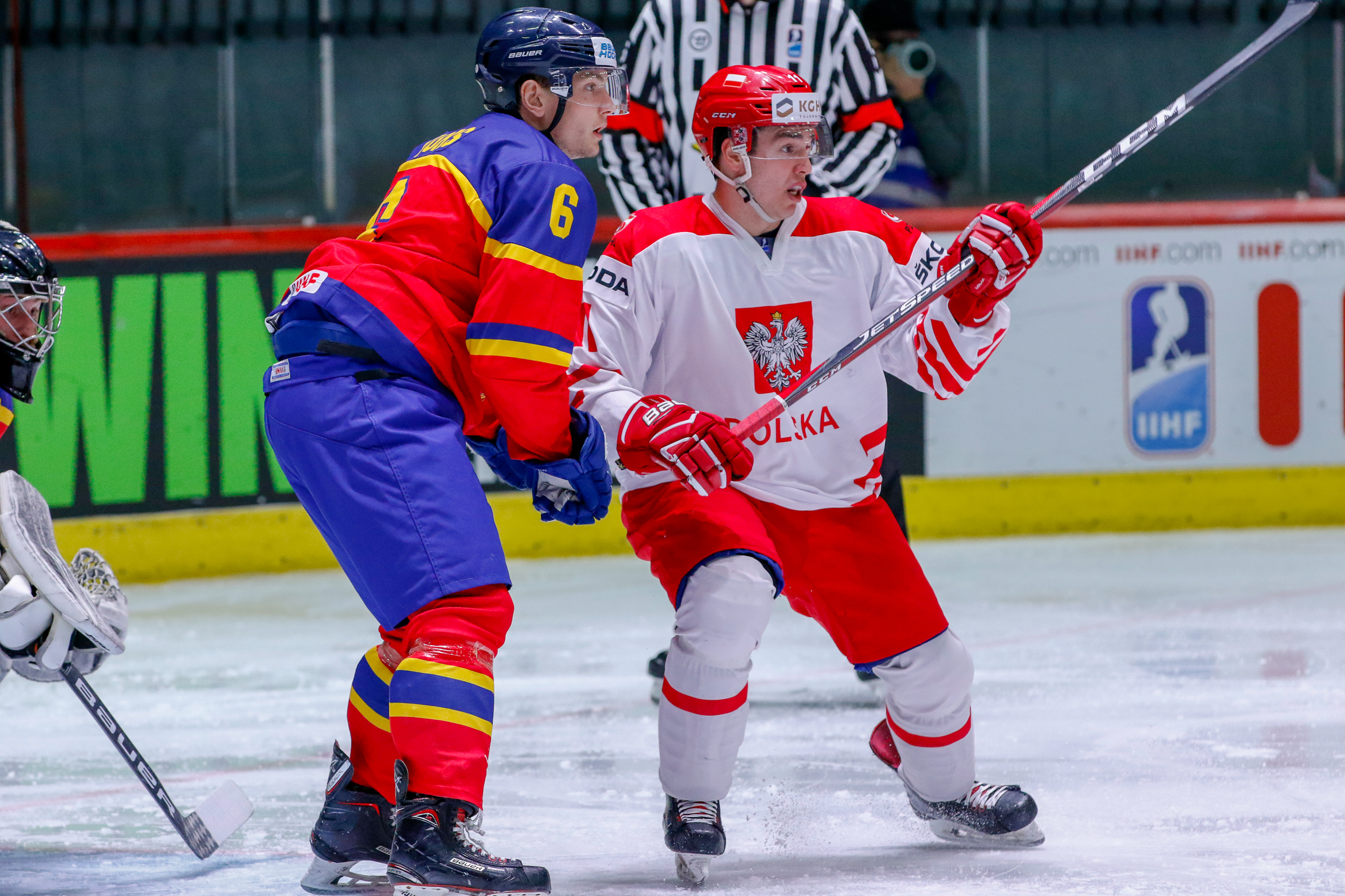 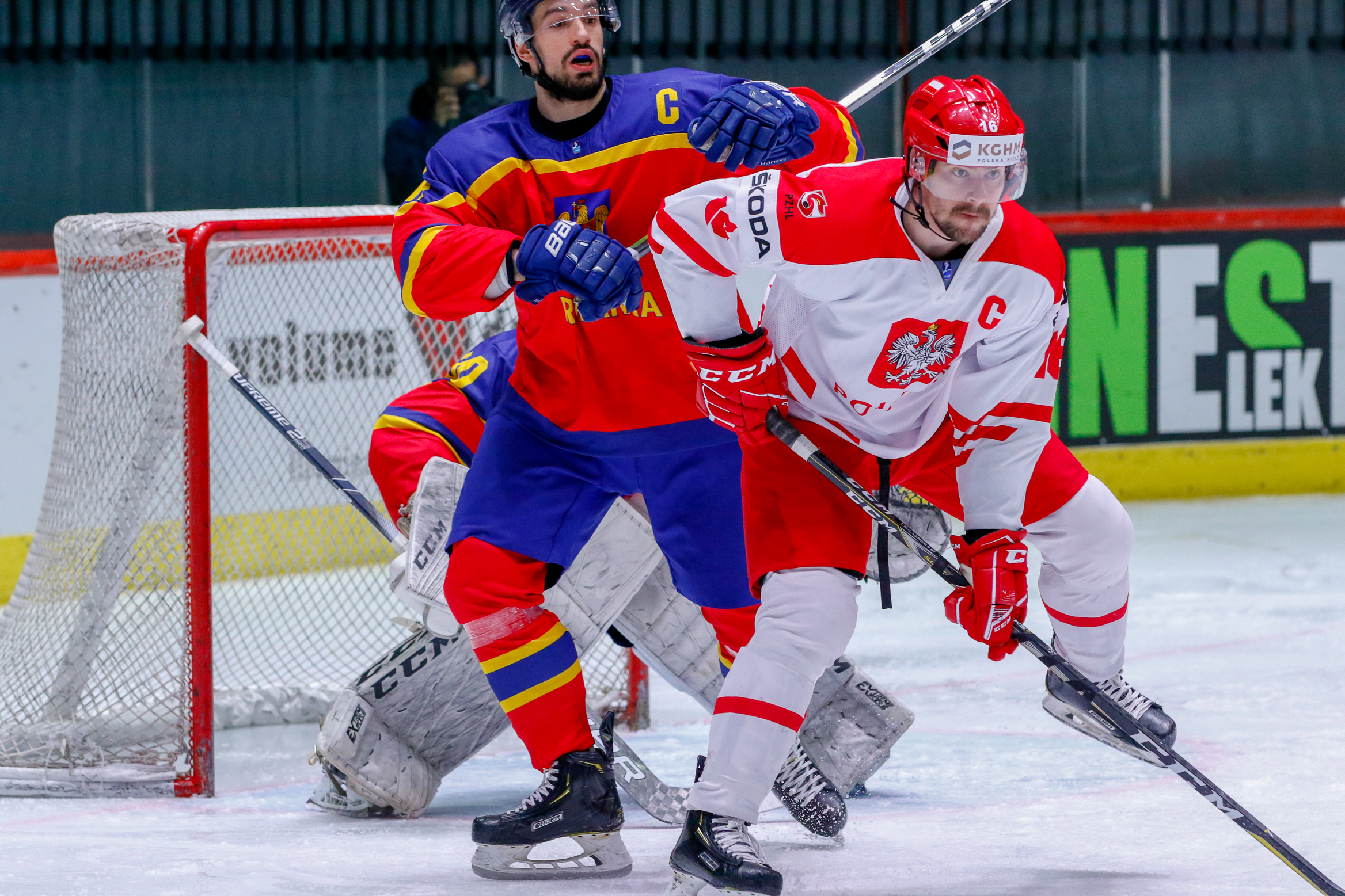 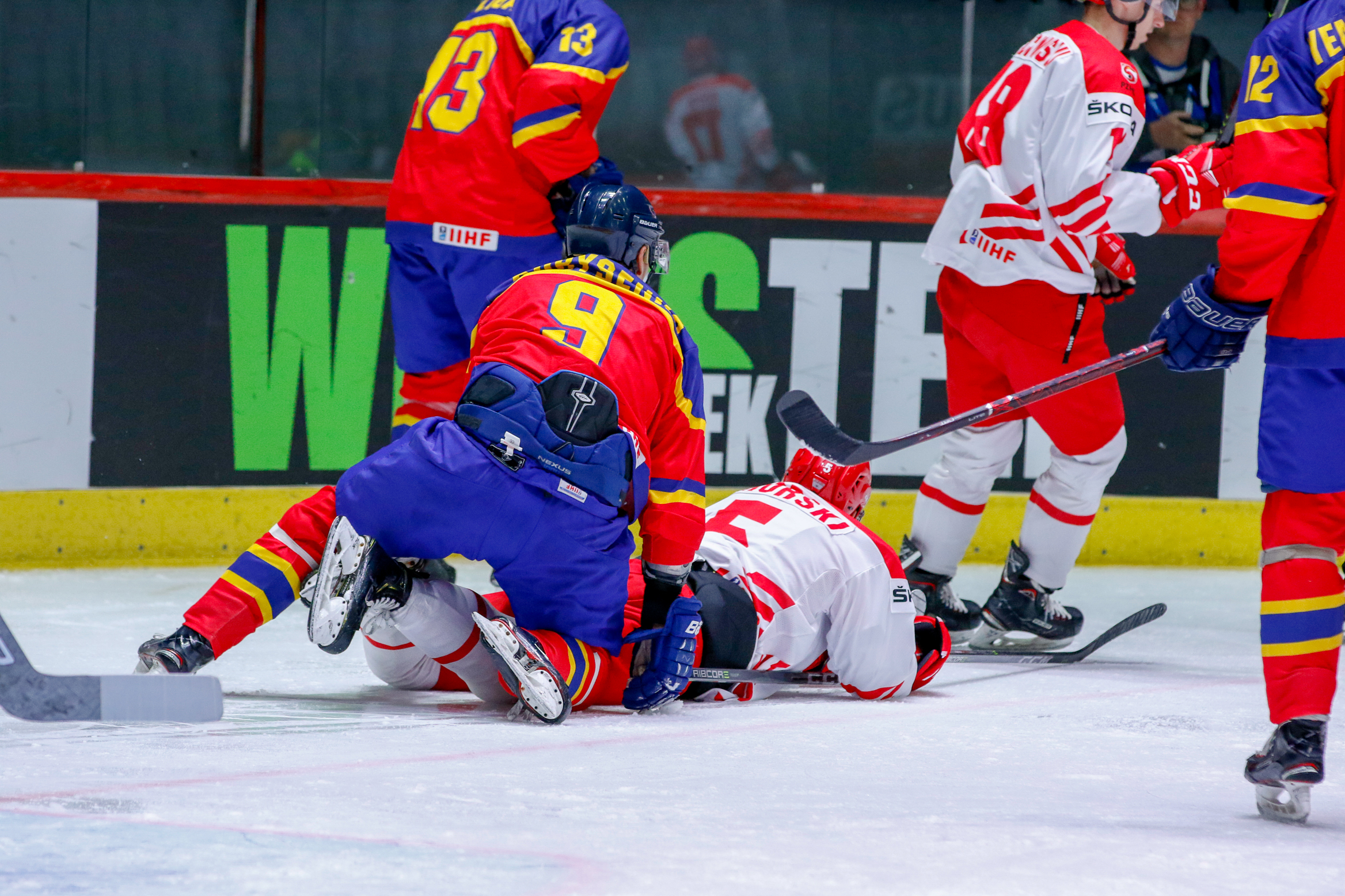 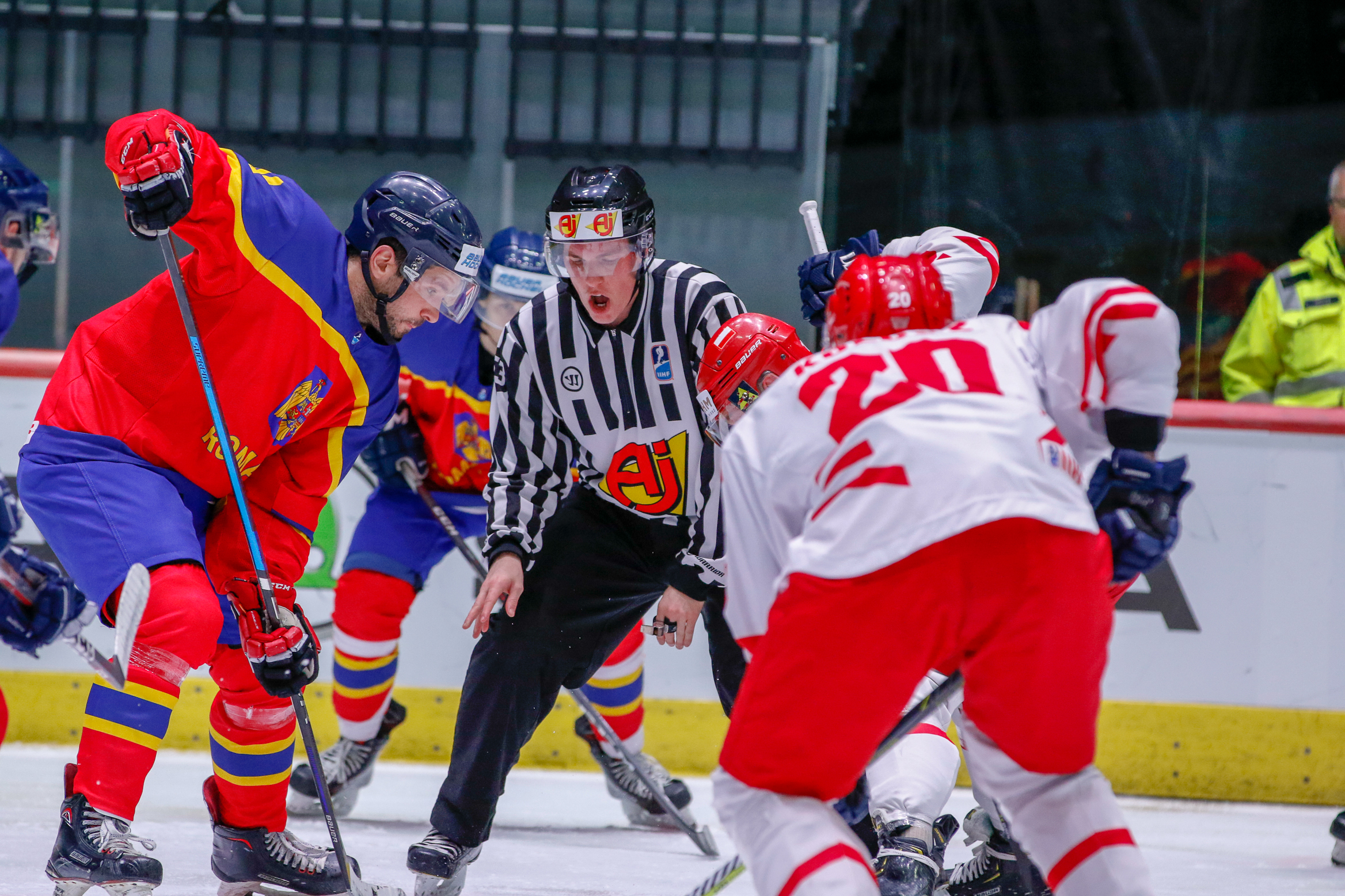 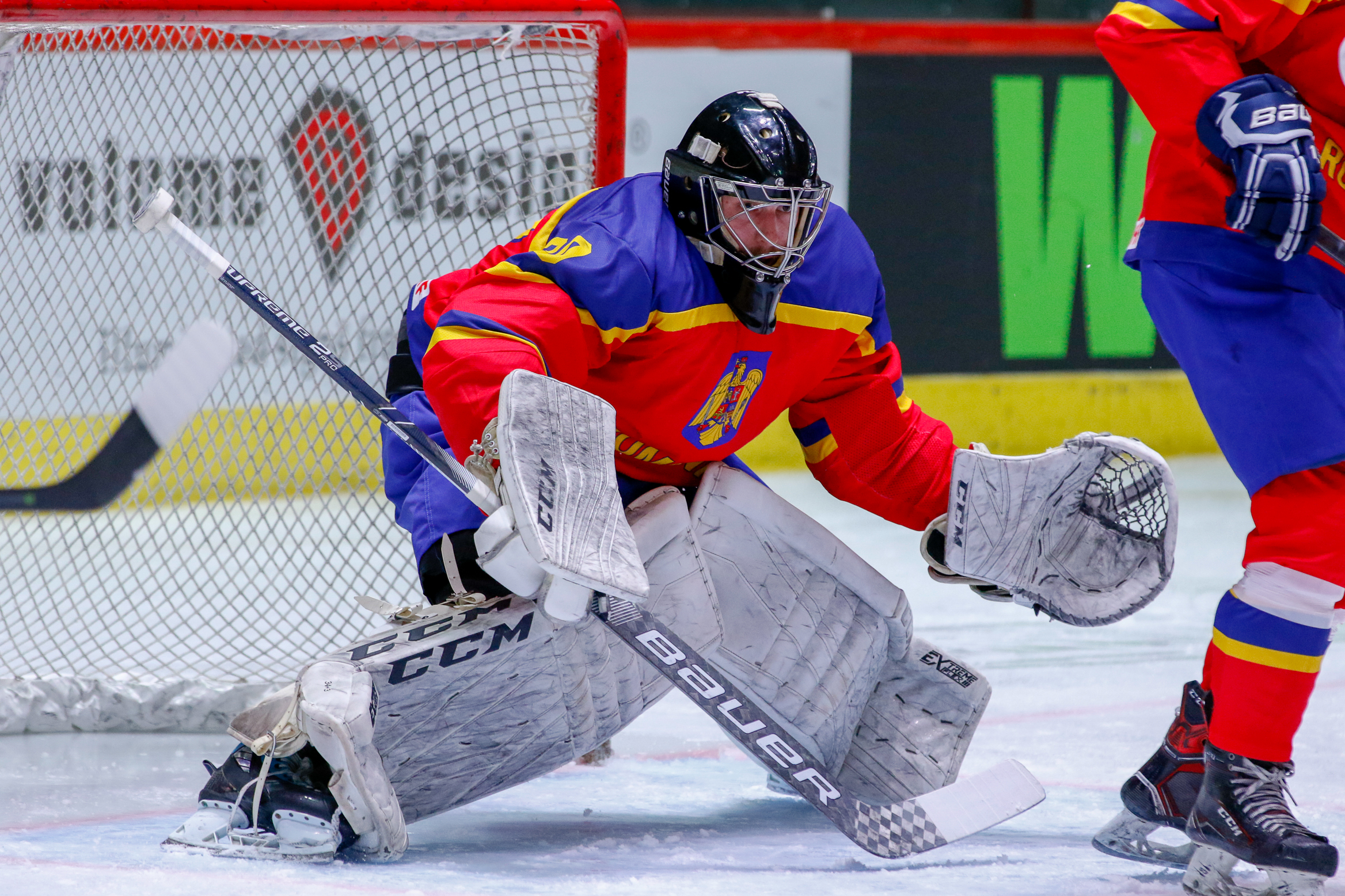 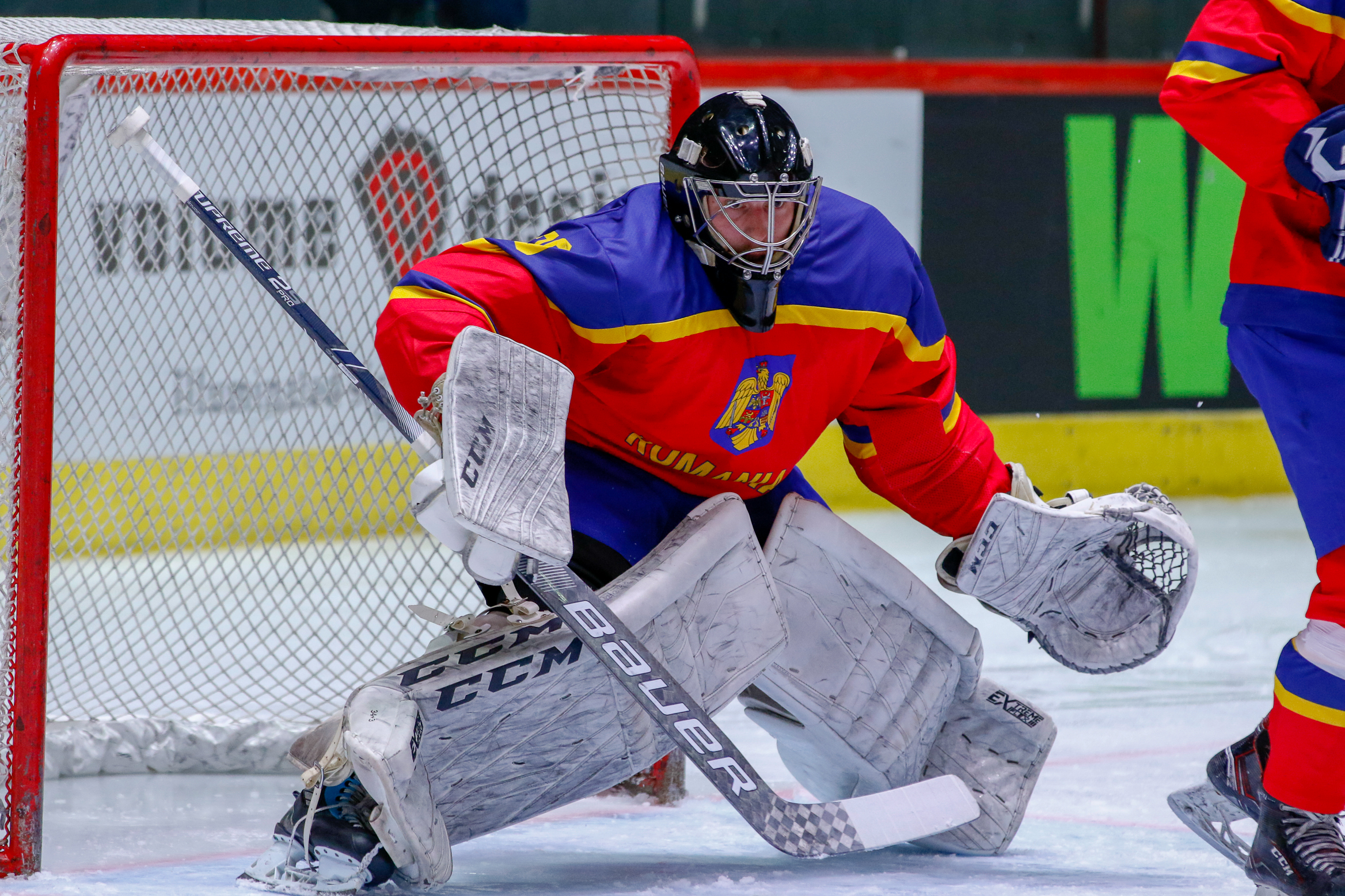 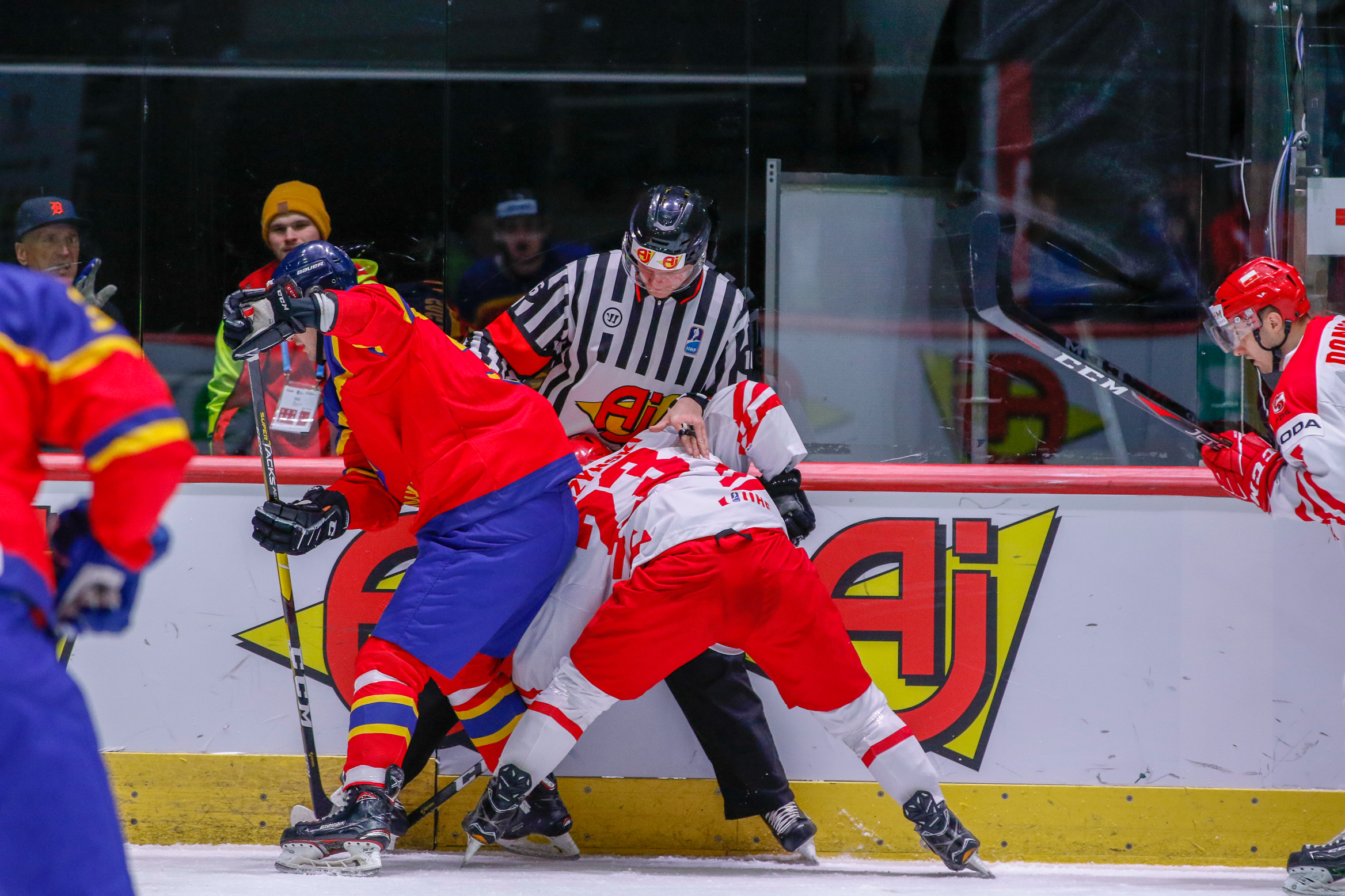 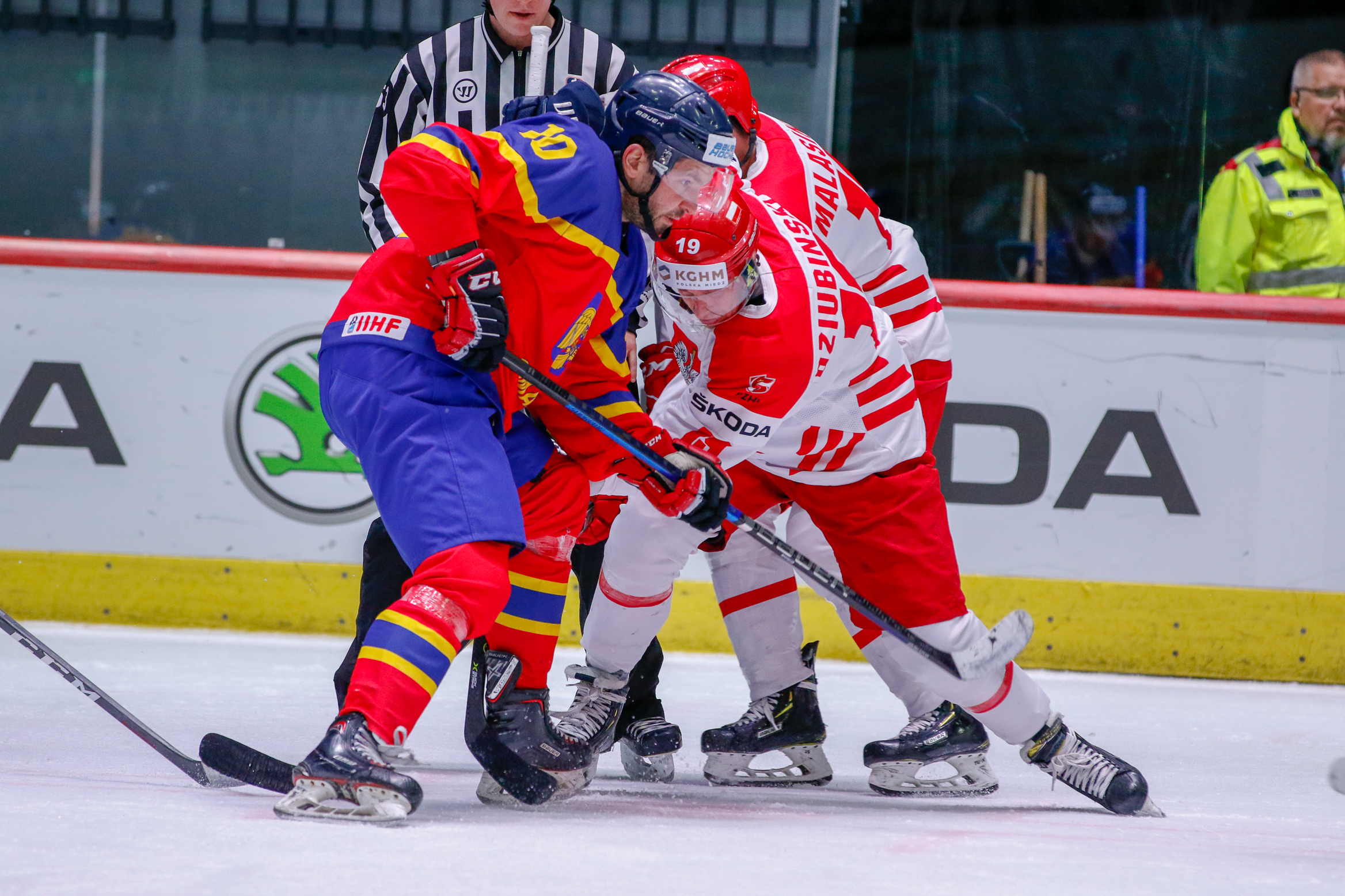 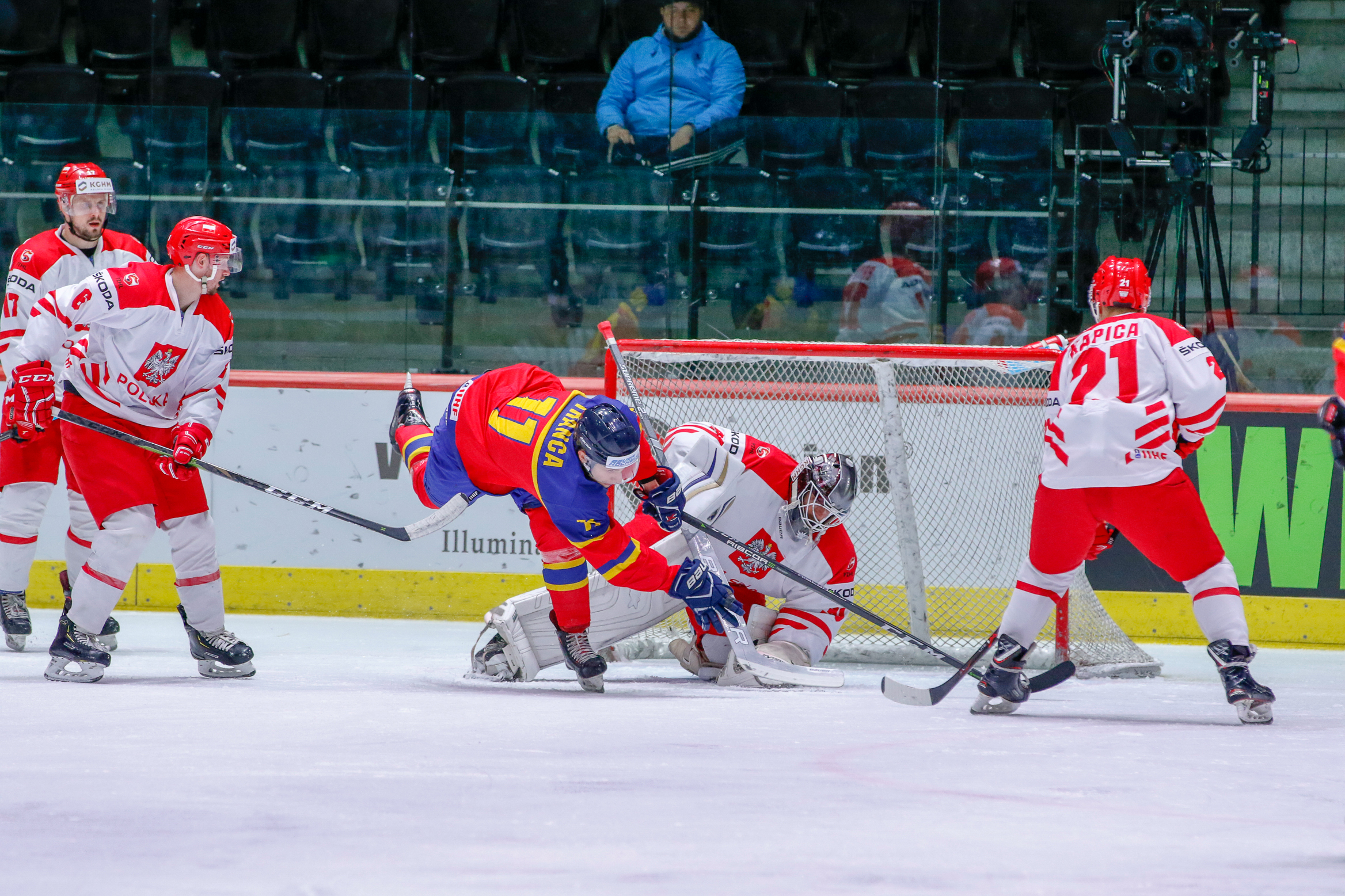 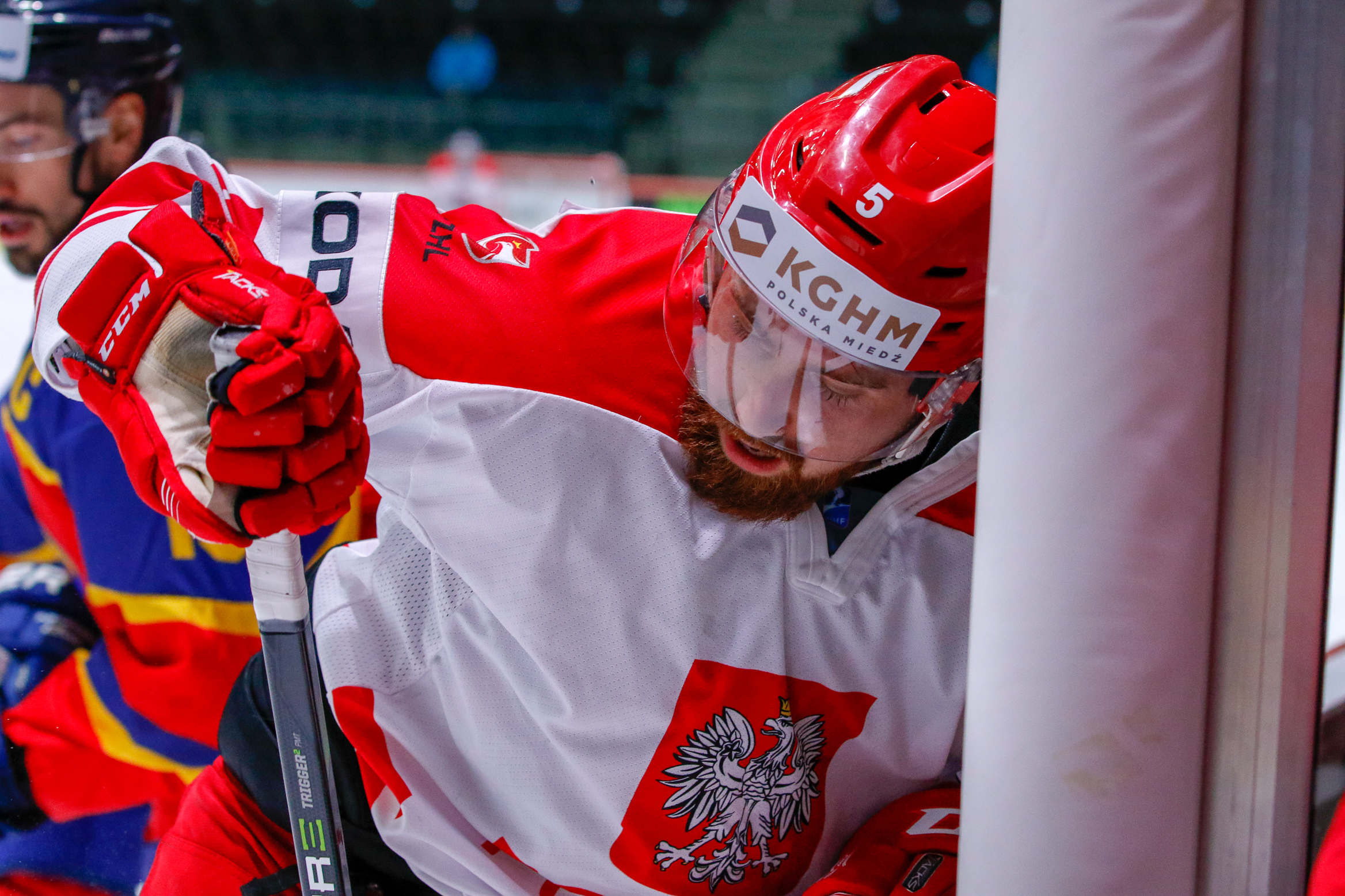 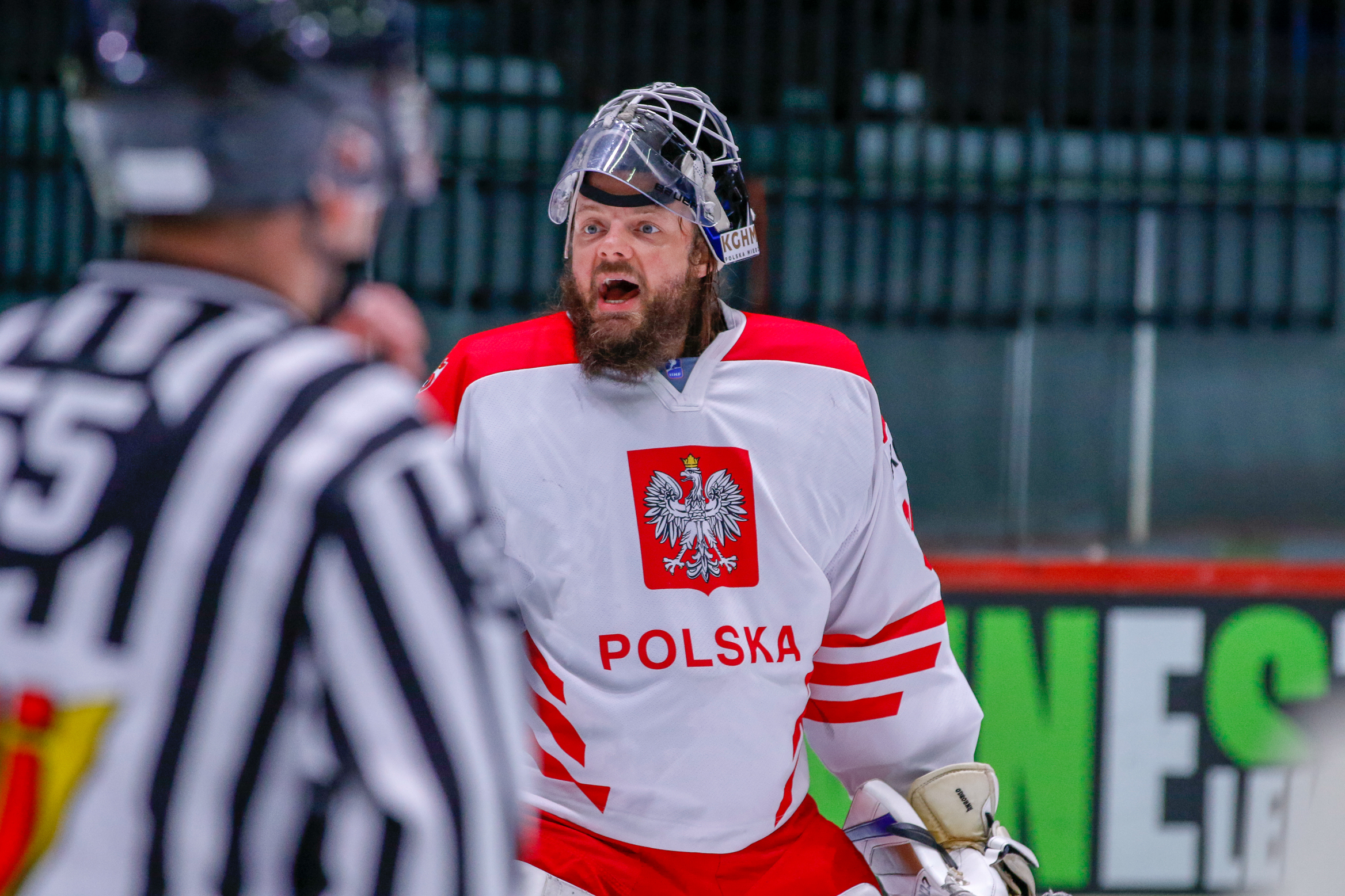 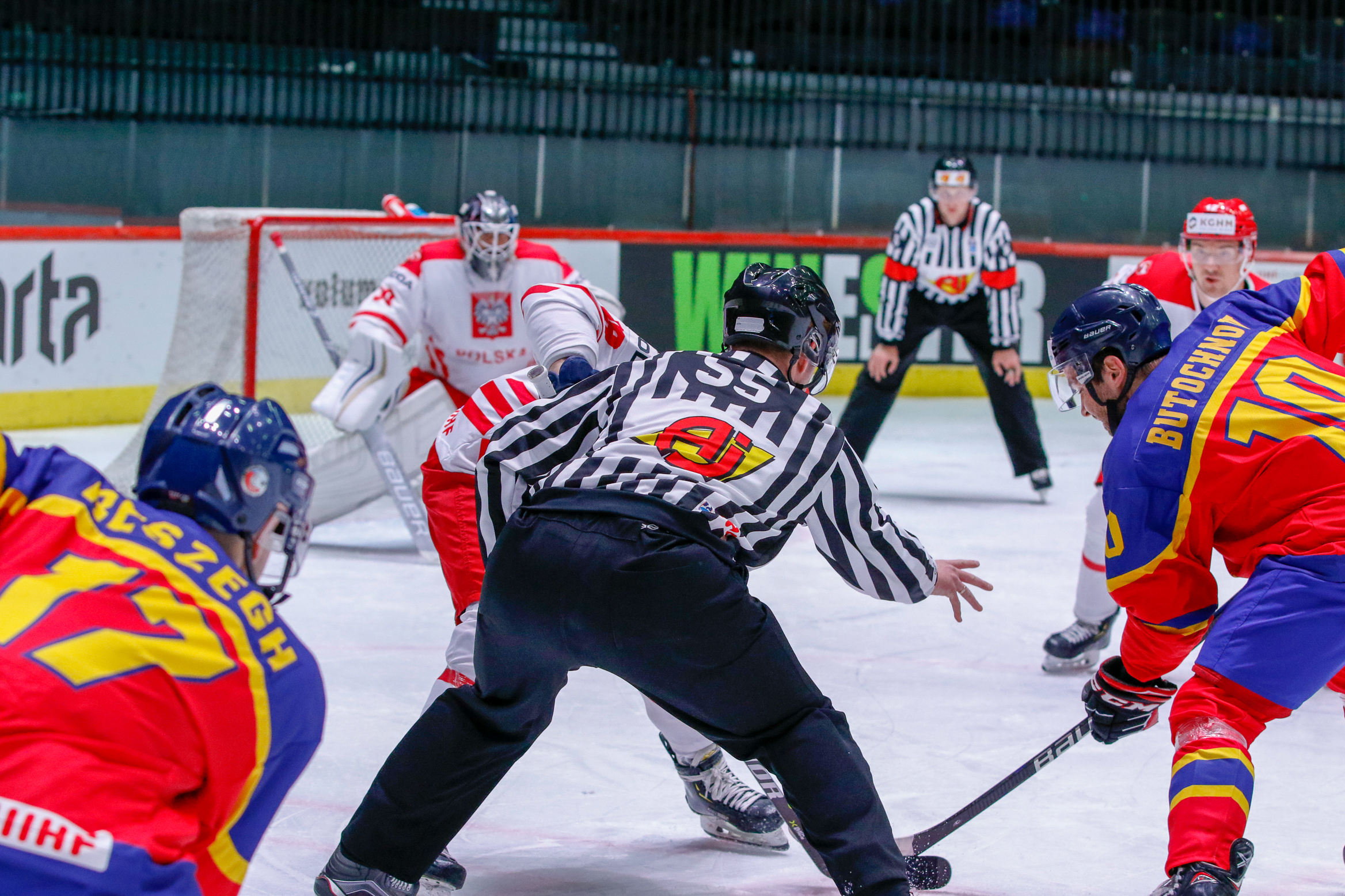 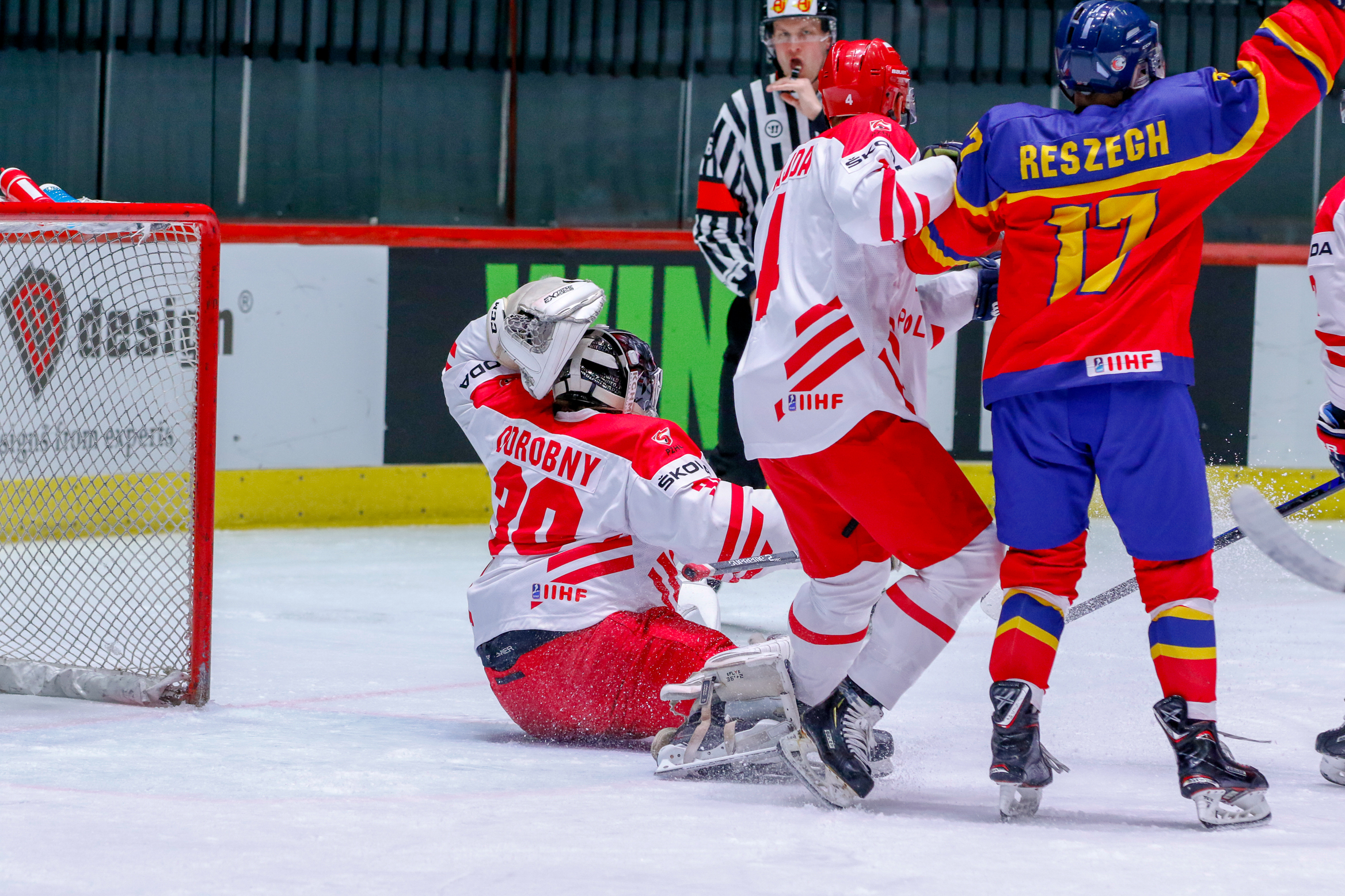 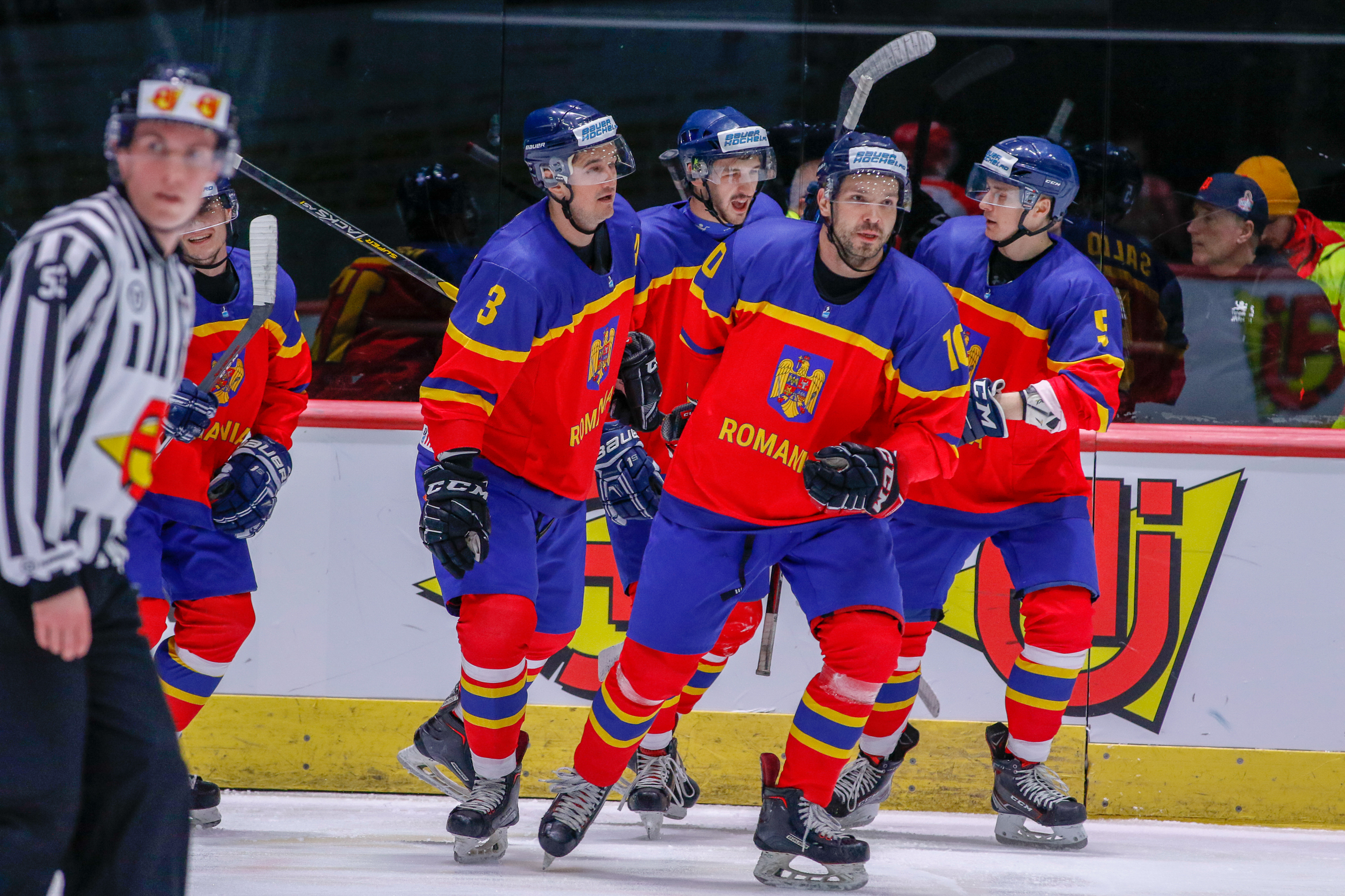