Quarter-finals are do or die, and Finland got it done. The hosts defeated the Czech Republic 3-1 in the last quarter-final in Espoo and moved on to a semi-final clash with Canada.

The veteran warriors came to play. Captain Jenni Hiirikoski, named Best Defender at the Women's Worlds six times, had a goal and two assists. She moved into a tie for the tournament points lead (eight) with the U.S.'s Kendall Coyne Schofield and Canada's Natalie Spooner and Brianne Jenner.

"When the big game starts, the stars usually appear," said Finnish coach Pasi Mustonen. "They did it today."

The relief for Suomi fans is enormous. Few things are worse than losing a quarter-final on home ice, as the 2003 Finnish men's Worlds team can attest: they blew a 5-1 lead in Helsinki and fell 6-5 to Sweden.

Instead of a nightmare, there is now a potential opportunity for the Finnish women to chant joyfully, “Suomi on uusi maailmanmestari!” ("Finland is the new world champion!"), as their World Junior male counterparts did in Vancouver after winning gold in January.

However, to do that, they’re first going to have to beat the Canadians, who thumped them 6-1 in Group A and will be even more fired up for the semi-finals. Finland has only defeated Canada once at this tournament, a 4-3 round-robin decision in 2017.

"To play a semi-final on home ice, I think it's an advantage," said Karvinen. "I don't think we should think too much about the last game. We know we can play with them. So that's not the thing. It's just about coming out. We're really confident right now. We've been working for this moment for a long time, and you will see another team stepping on the ice on Saturday. Because we're here to compete. It will be fun."

Natalie Mlynkova replied for the Czechs, who can be proud, not only of getting to make a fourth straight apperance at the Women's Worlds in 2020, but also of their spotless 4-0 record in Group B play. Coach Petr Novak's crew didn't make it easy on the Finns, generally considered the bronze medal favorites.

"I think we've done a lot better in the last two years since the last Worlds," said Czech captain Alena Mills. "Just thinking back two years ago, we were supposed to get relegated. We were last. And now we won our group, and I think we played a really good game against Finland. We gave them a hard time. We were up 1-0. So I'm extremely proud of my team."

As promised, 29-year-old Finnish goaltending legend Noora Raty returned between the pipes after pulling herself out of the Canada game at 3-0. Czech netminder Klara Peslarova got her fourth start of the tournament and suffered her first loss. Finland outshot the Czechs 43-17.

As in every other Metro Areena quarter-final, there were long stretches where the underdog managed to hang tough against a favored opponent.

During the scoreless first period before 3,290 fans, the Finns looked rather tentative despite a 9-6 edge in shots against the Czechs, who quite rightly played as if they had nothing to lose.

In the first intermission, a choir of young girls sang and rapped about impending Finnish victory to the beat of Queen’s “We Will Rock You.” It didn’t seem to help at first, as the Czechs subsequently opened the scoring.

At 1:31, Mlynkova streaked out of the Czech zone, took a long pass from Mills and cut to the net past Minttu Tuominen’s stick check to put it past Raty.

"It was just a smart dump into space, and Natalie's a fast player," said Mills. "I thought she'd go. I actually went to change! I didn't see the goal."

At 7:42, Karvinen drew Finland even with a power play goal, stickhandling off the right-side boards and surprising Peslarova with a high shot on the stick side.

"We have really skilled players like Karvinen and Hiirikoski, the two top players," said IIHF Hall of Famer Riikka Sallinen, at age 45 the oldest competitor in Women's Worlds history. "They are really hard to take if you are playing box play."

The Finns kept coming and took their first lead of the game at 15:58. Karvinen was the architect on a dazzling rush, cutting into the middle and then sliding the puck back over to Tapani to tuck into the empty side.

In the third period, Hiirikoski showed off her great shot. Just six seconds into a Finnish power play, she hammered a slapper high past Peslarova for the 3-1 goal at 10:53. Former Damkronorna coach Leif Boork tweeted in Swedish, "Hiirikoski is a living instruction manual when it comes to shooting skills!", and there was no quibbling with that assessment. The Finns never looked back after that.

About the keys to the win, Raty said: "We stayed out of the box. I think they got 30 seconds of power play, and that was their strength. So that was the key for us. We did better on faceoffs. I don't think we lost too many times. As we know, Canada's going to be a really good faceoff team. So our centres need to be ready. And today, I think we just skated more than the Czechs did."

This was just the second Women’s Worlds game ever between these two nations. The first one was also a quarter-final, and the Finns blanked the Czechs 5-0 on 1 April, 2016 in Kamloops.

And how does the home team feel going up against Canada. Raty said with a laugh; "You can't say you're unconfident! You're always confident going into the semis. I mean, what do we have to lose? All we have is to win. There's nothing to lose. We have the home crowd and it's a chance for us to make a statement." 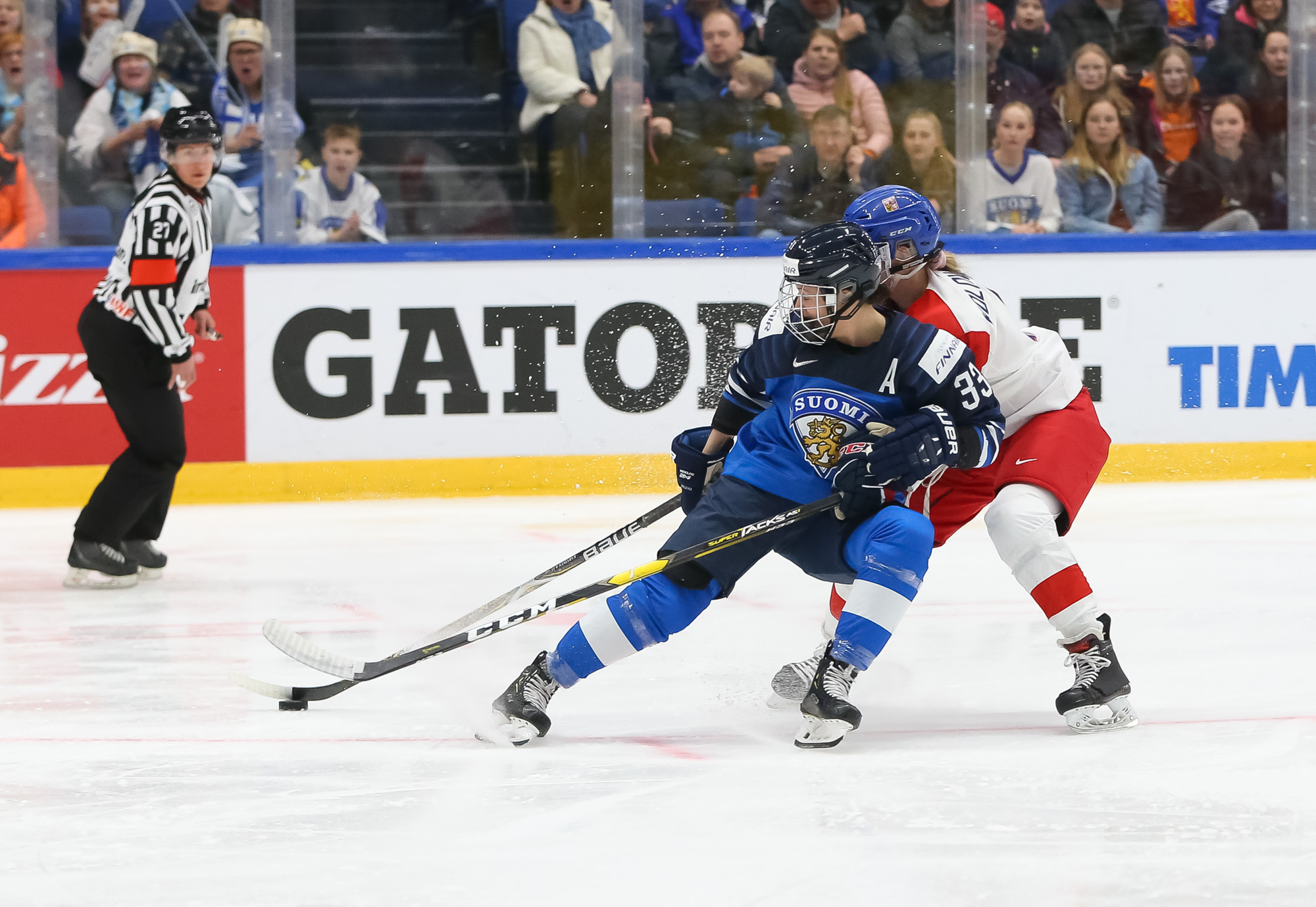 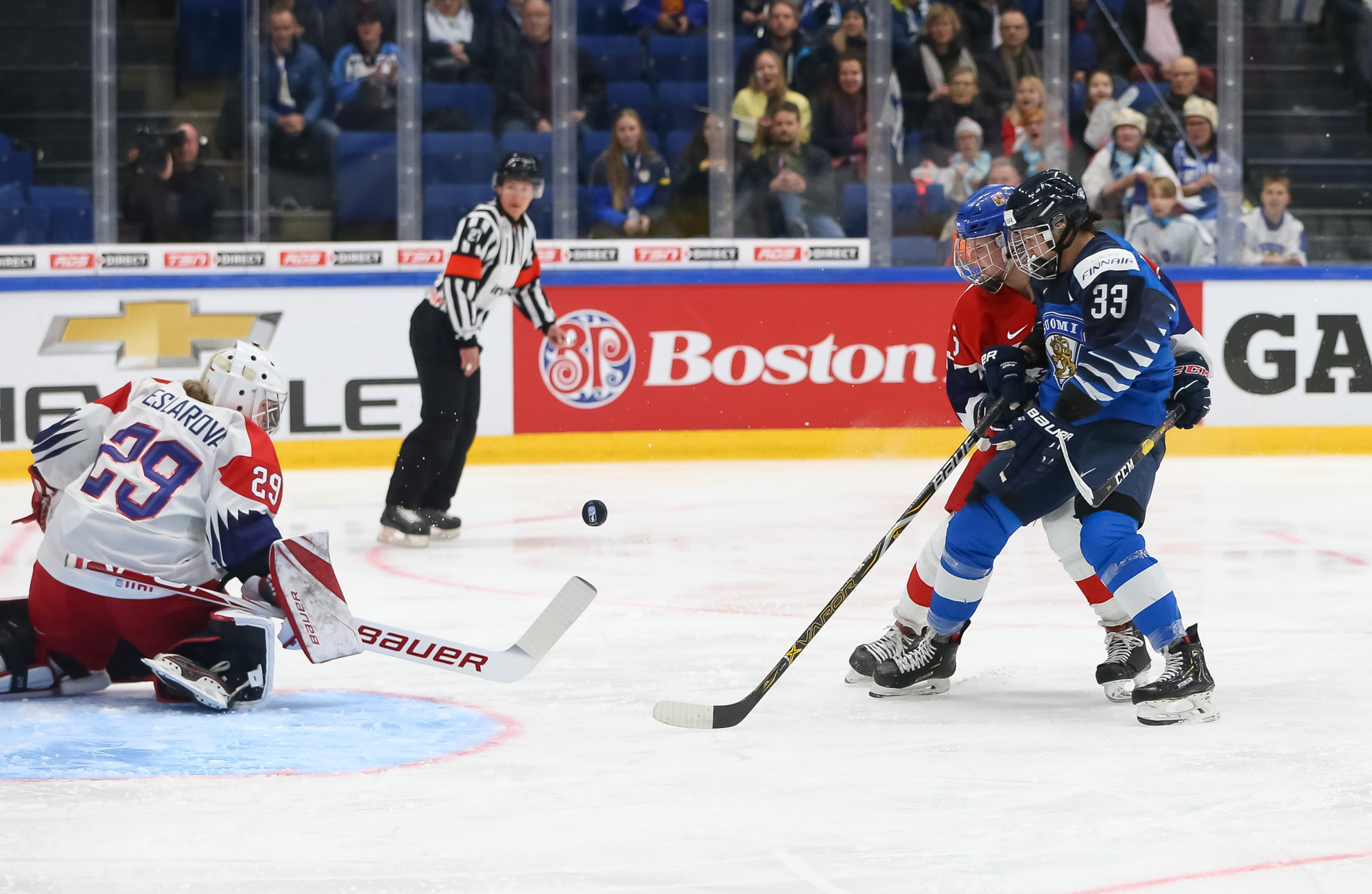 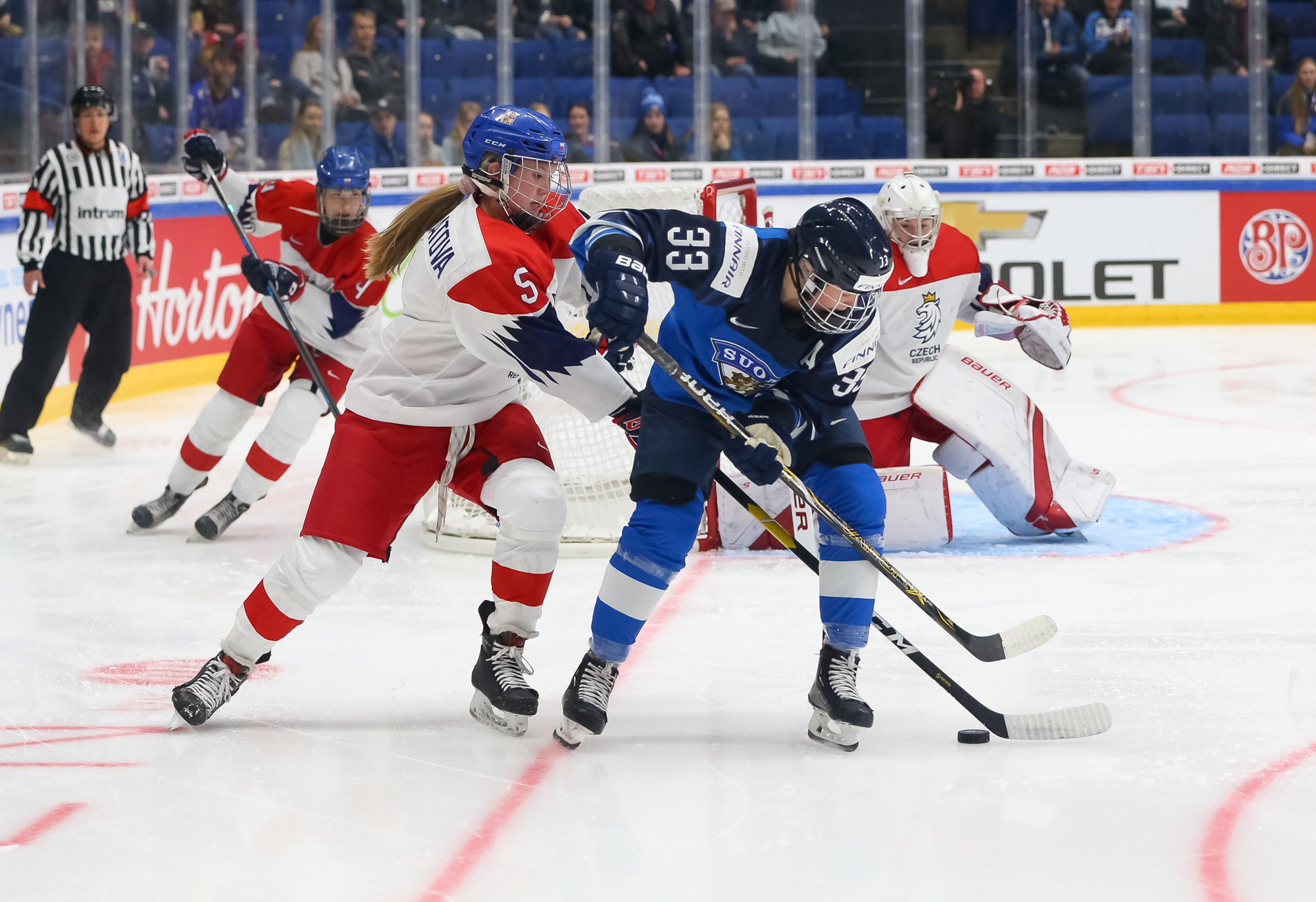 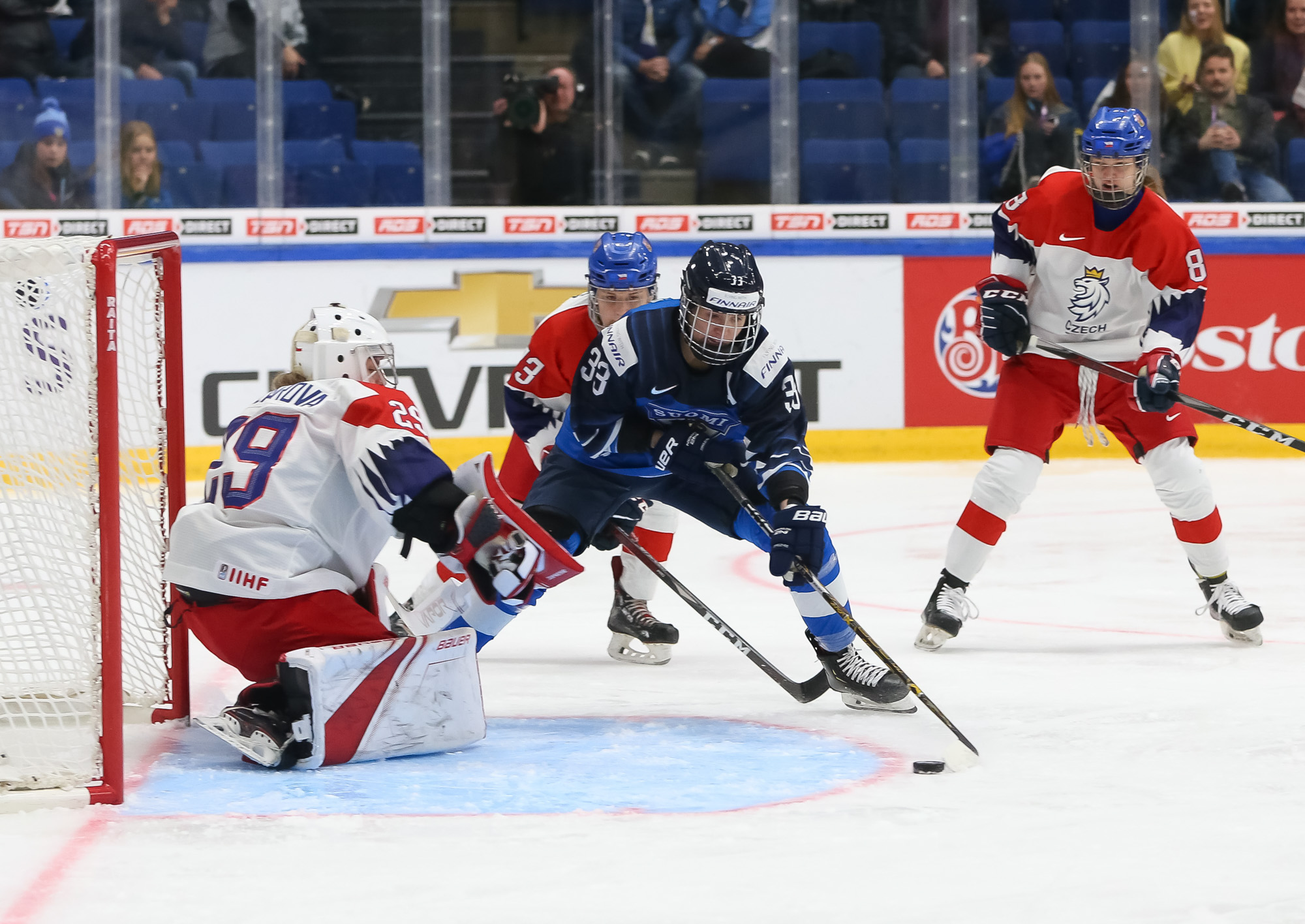 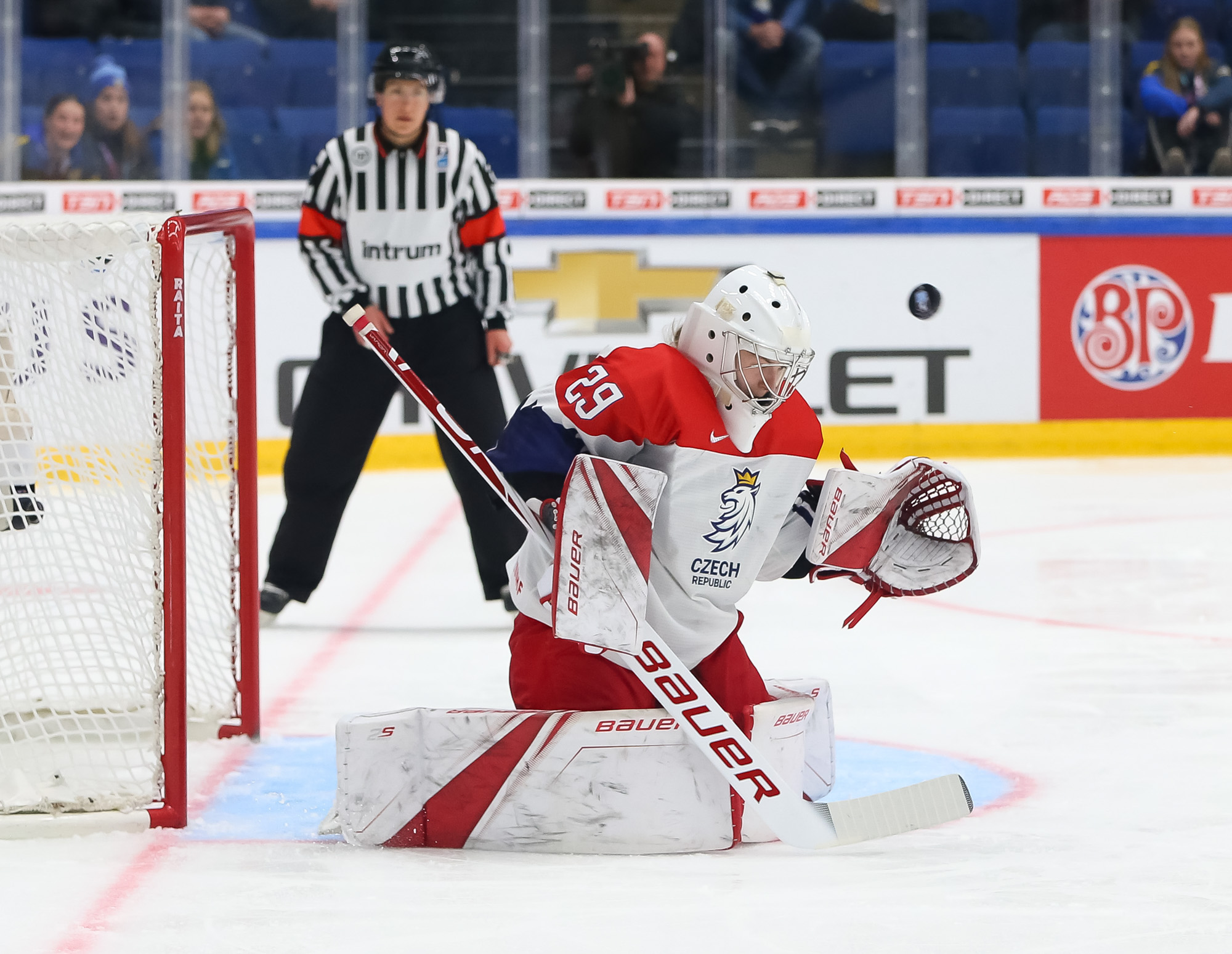 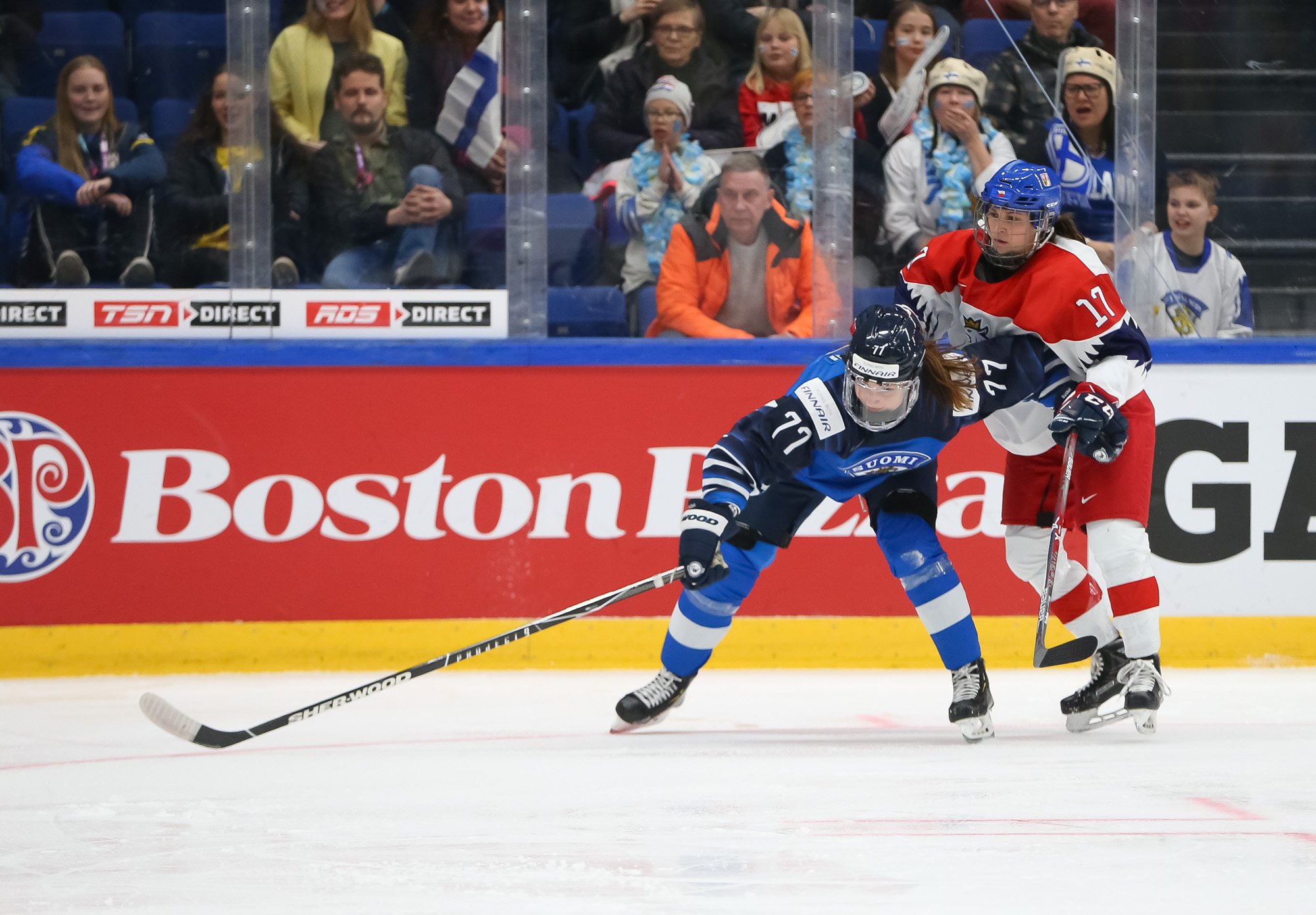 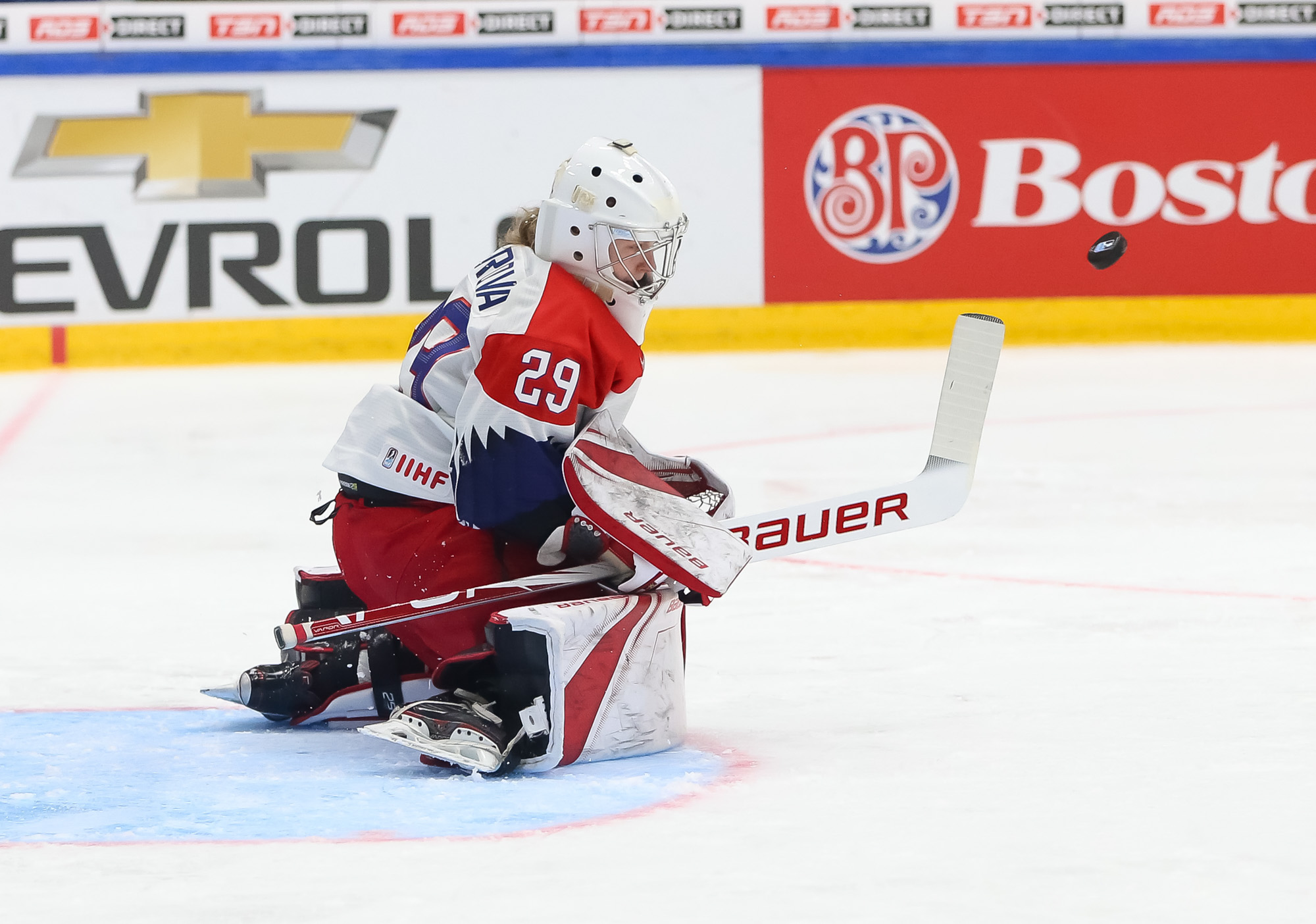 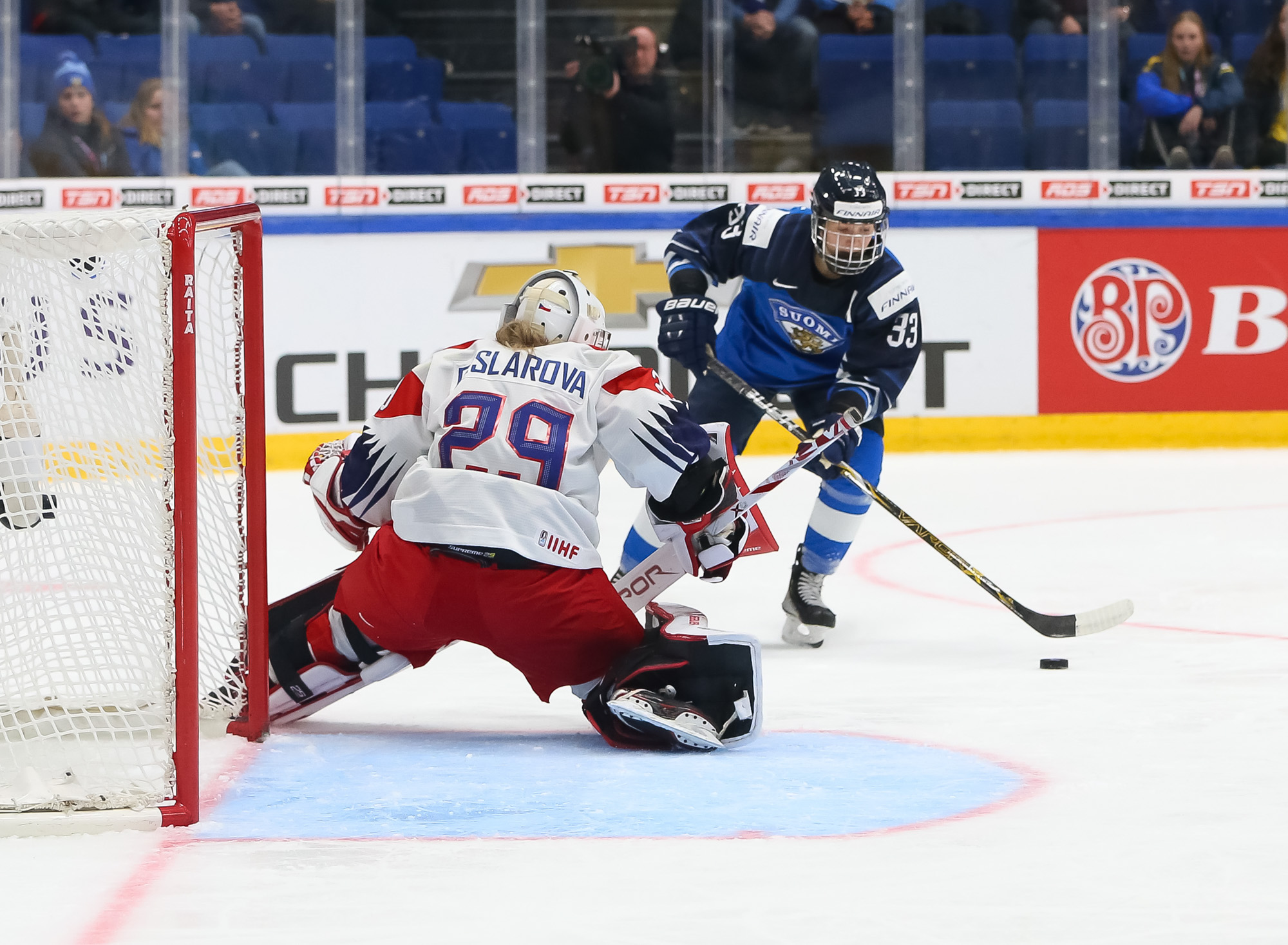 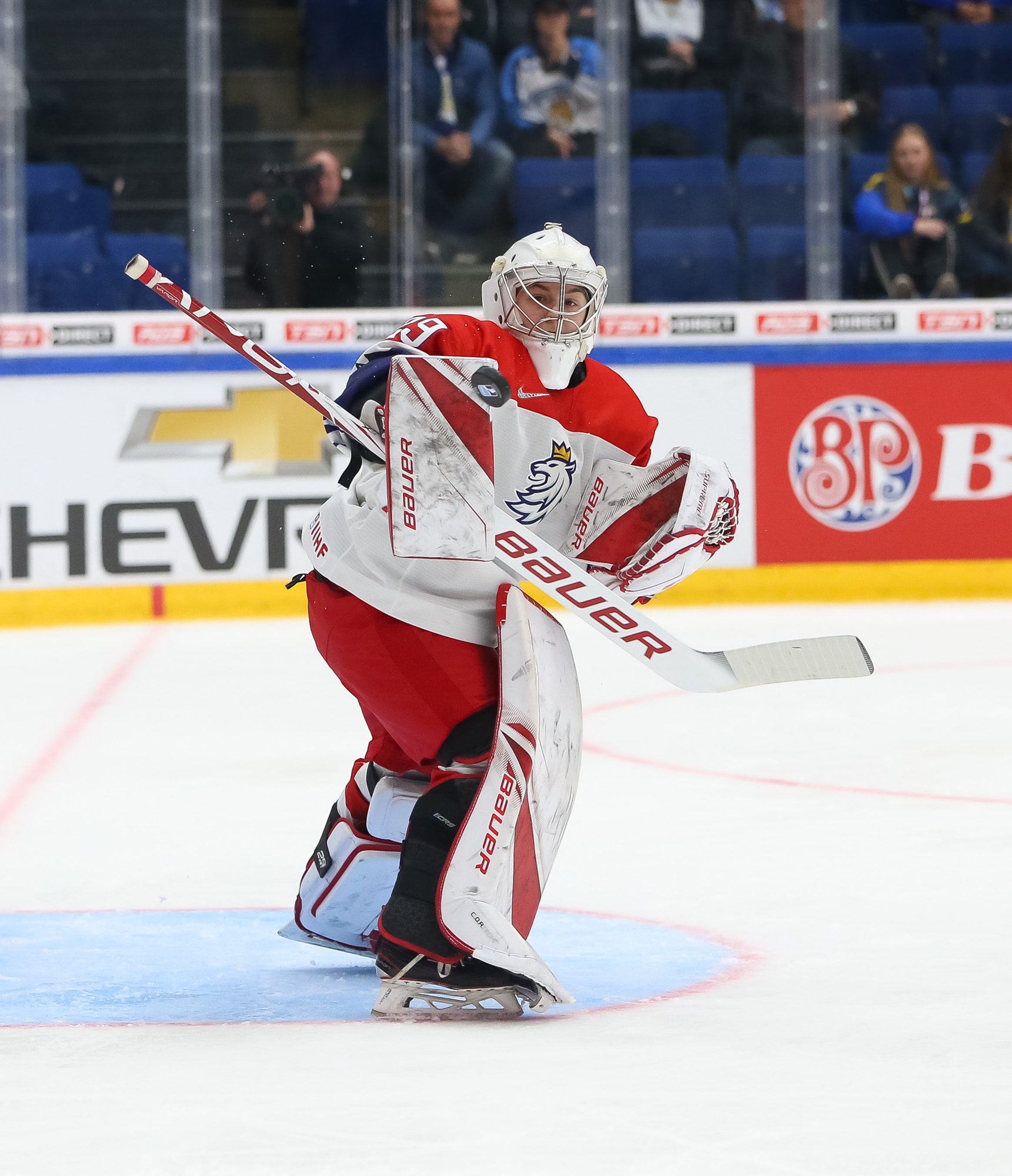 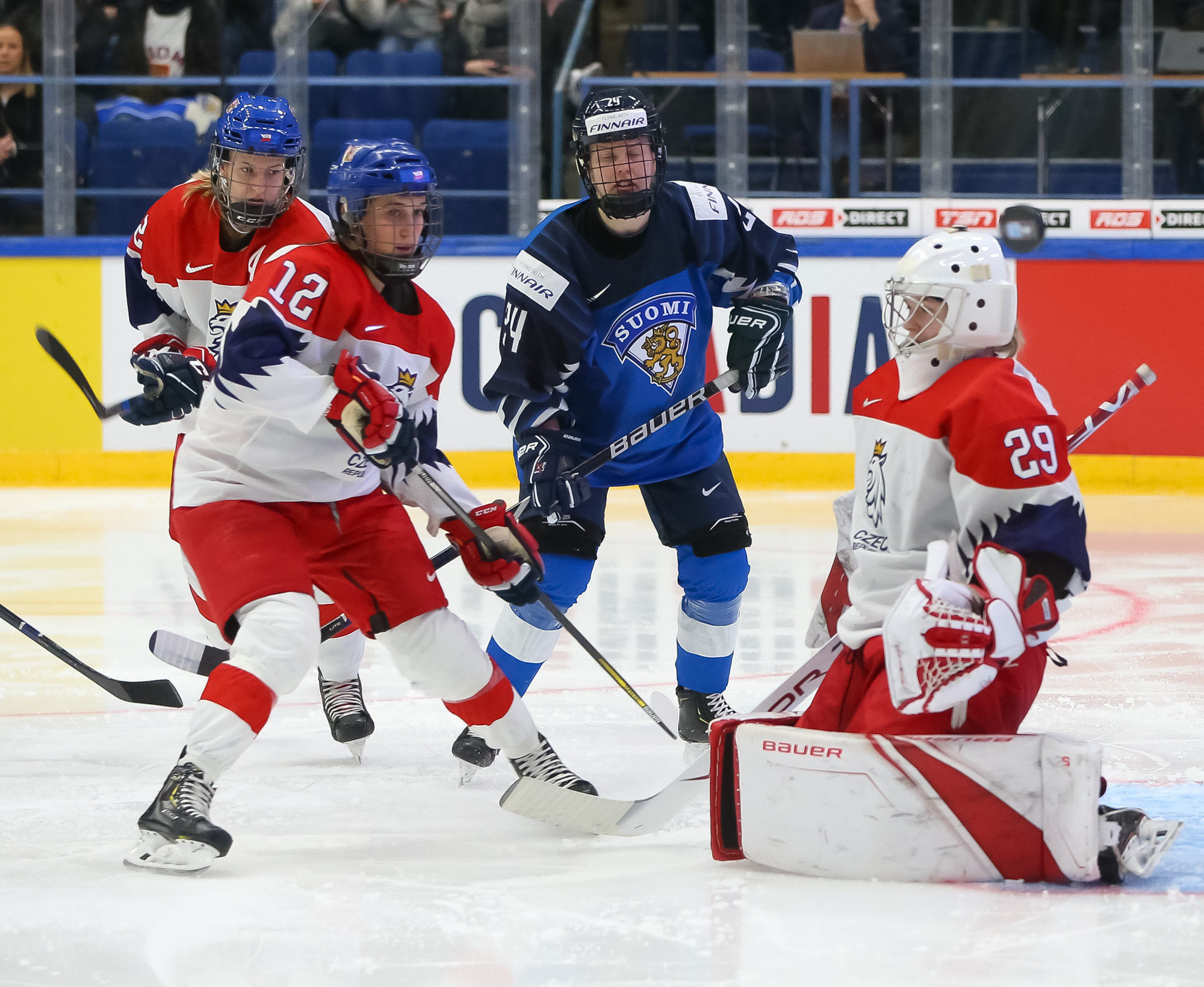 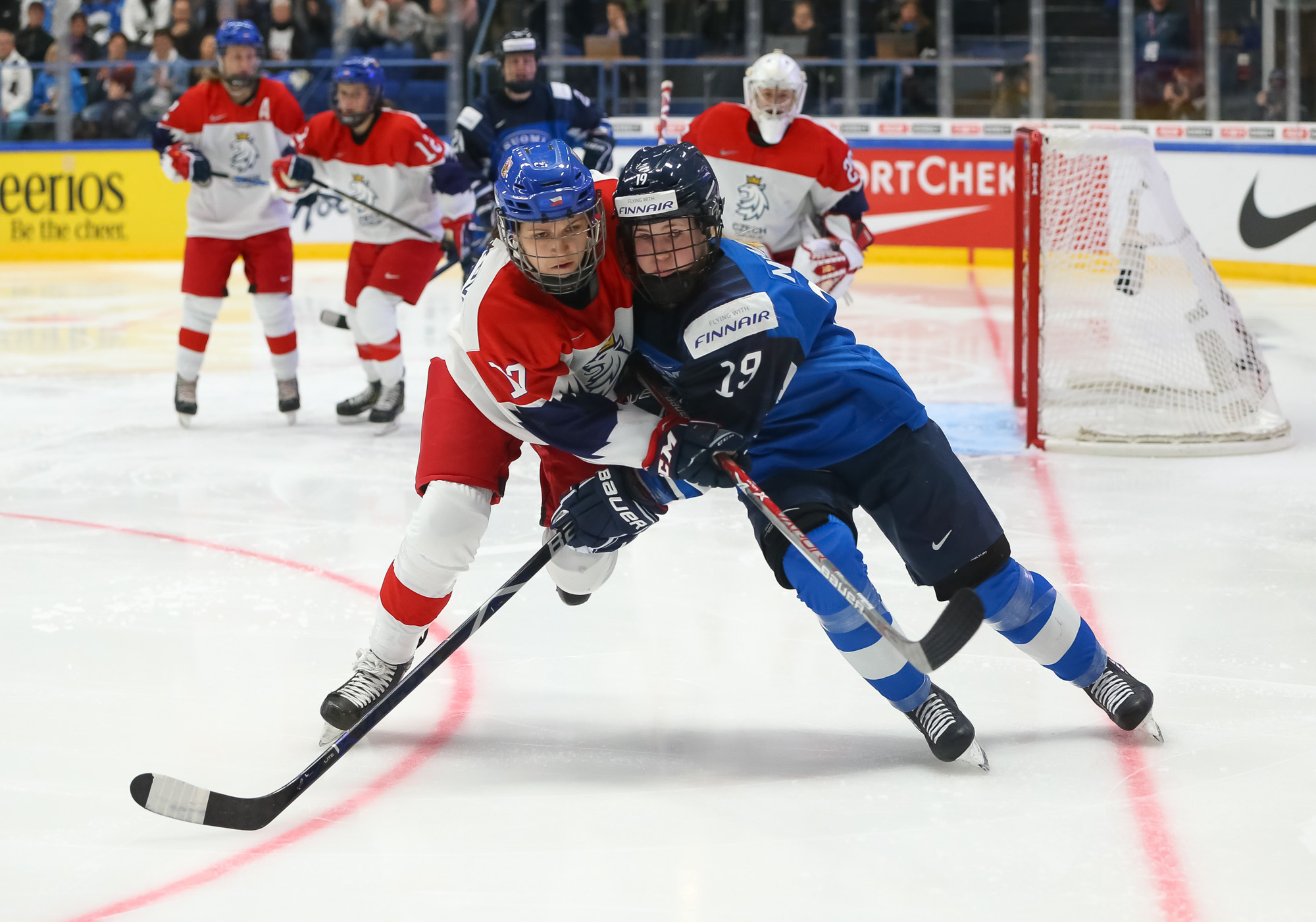 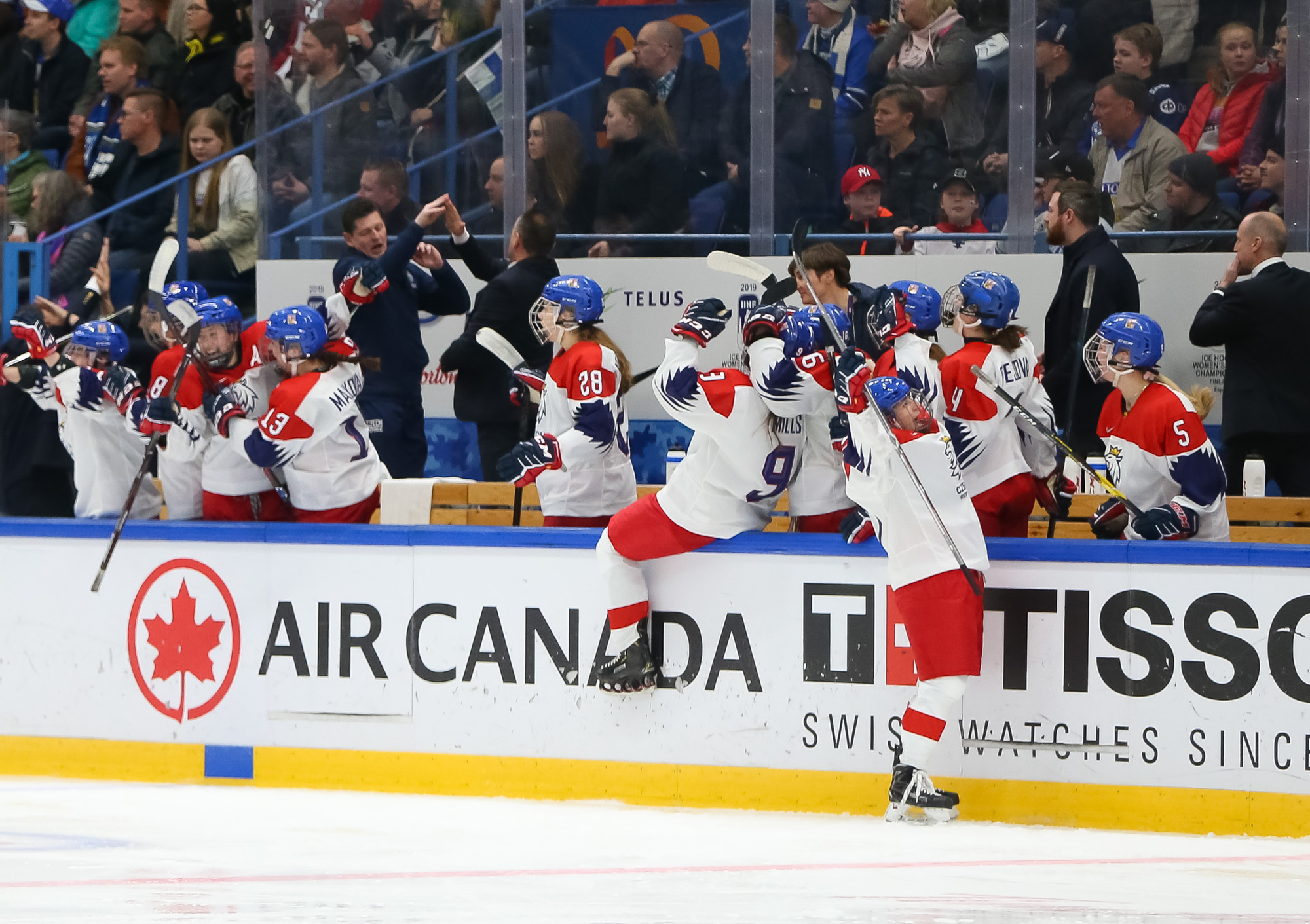 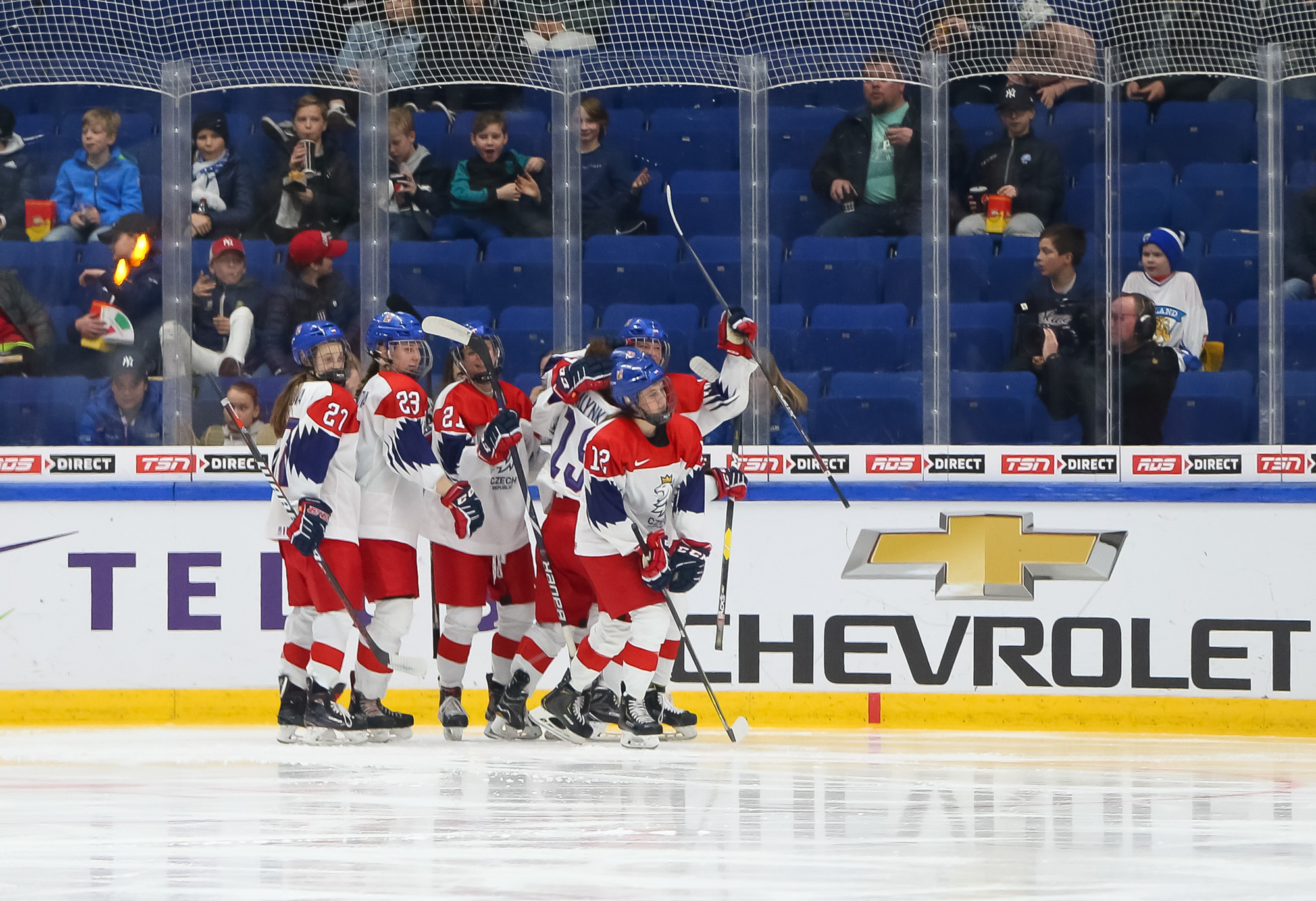 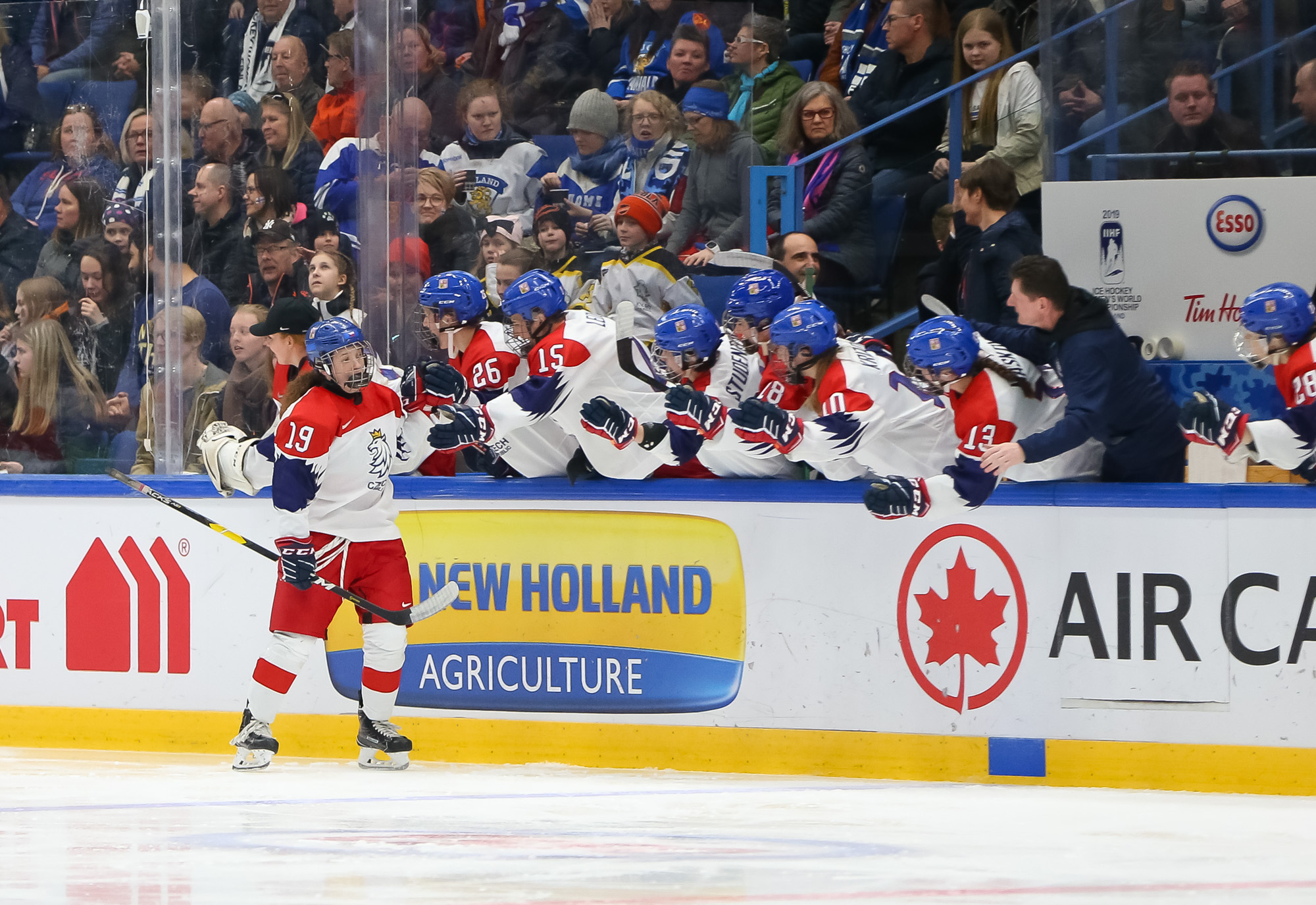 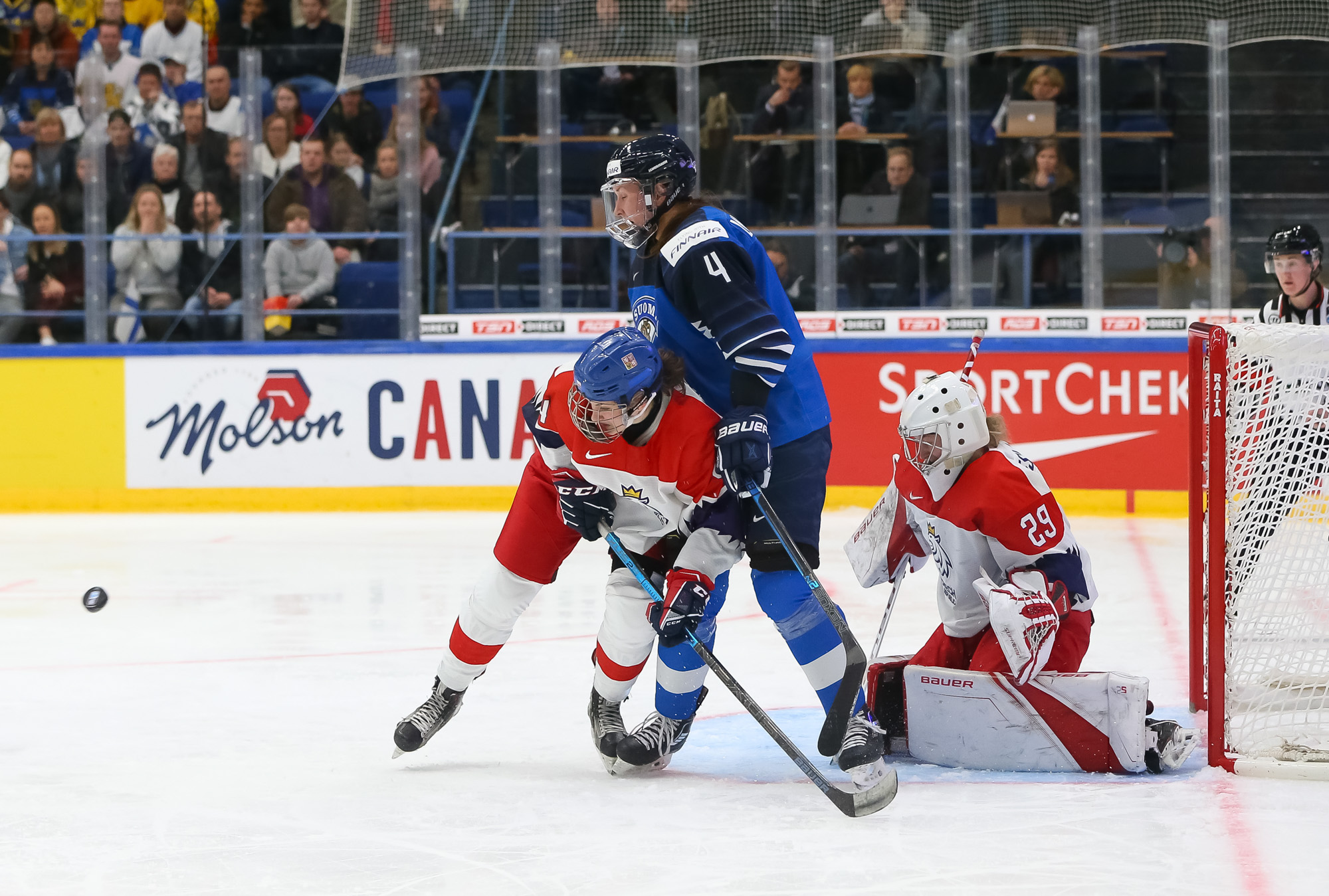 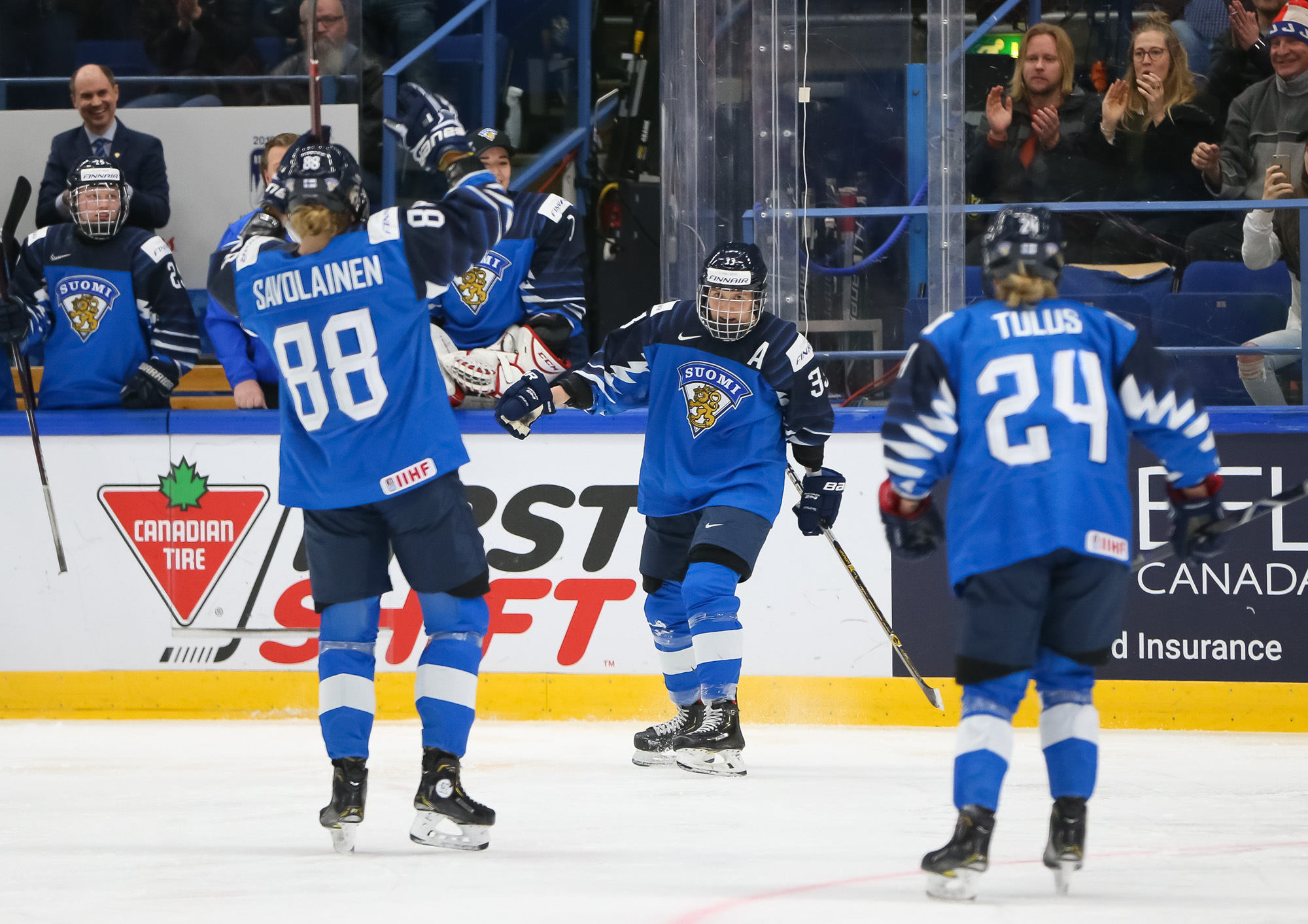 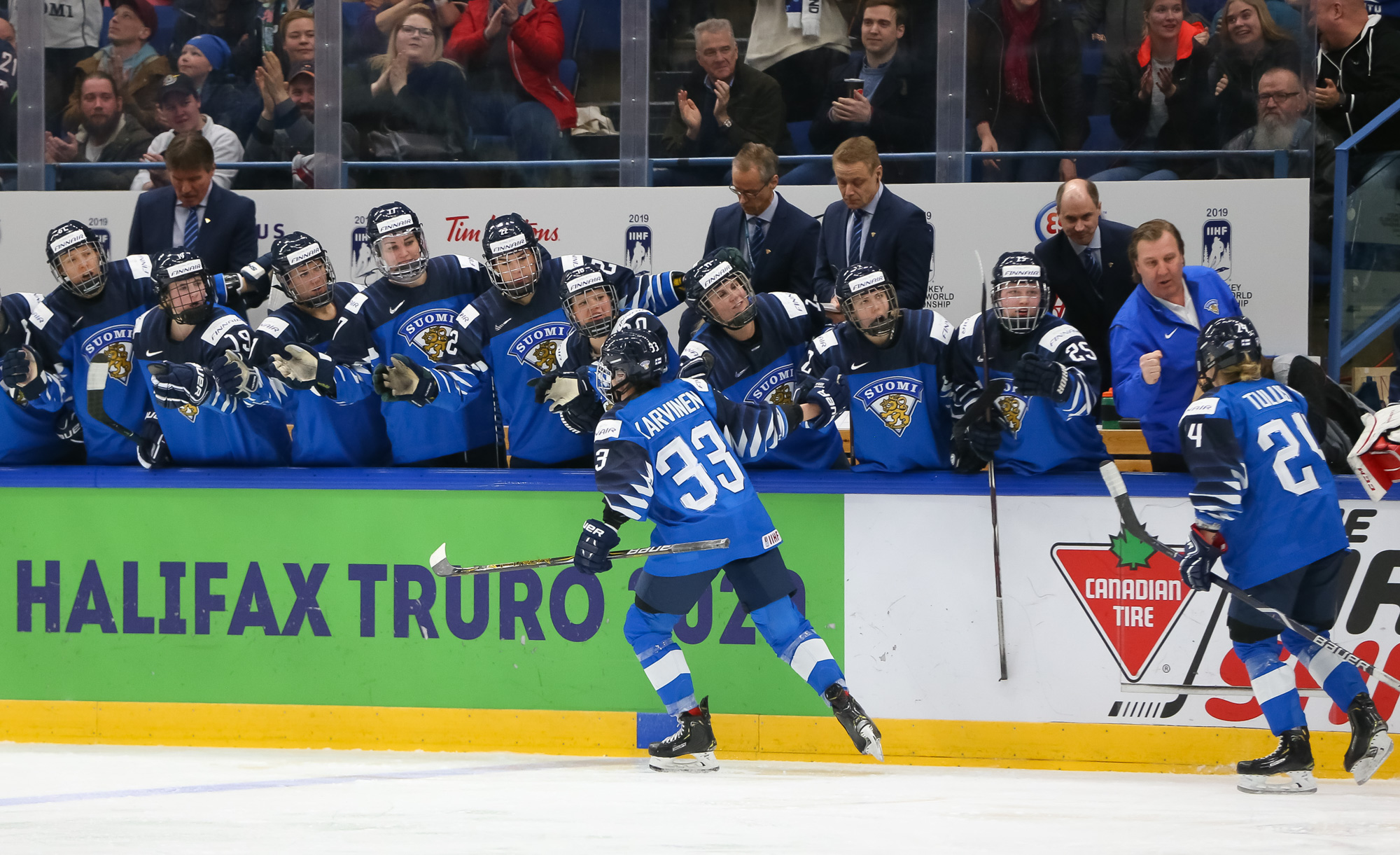 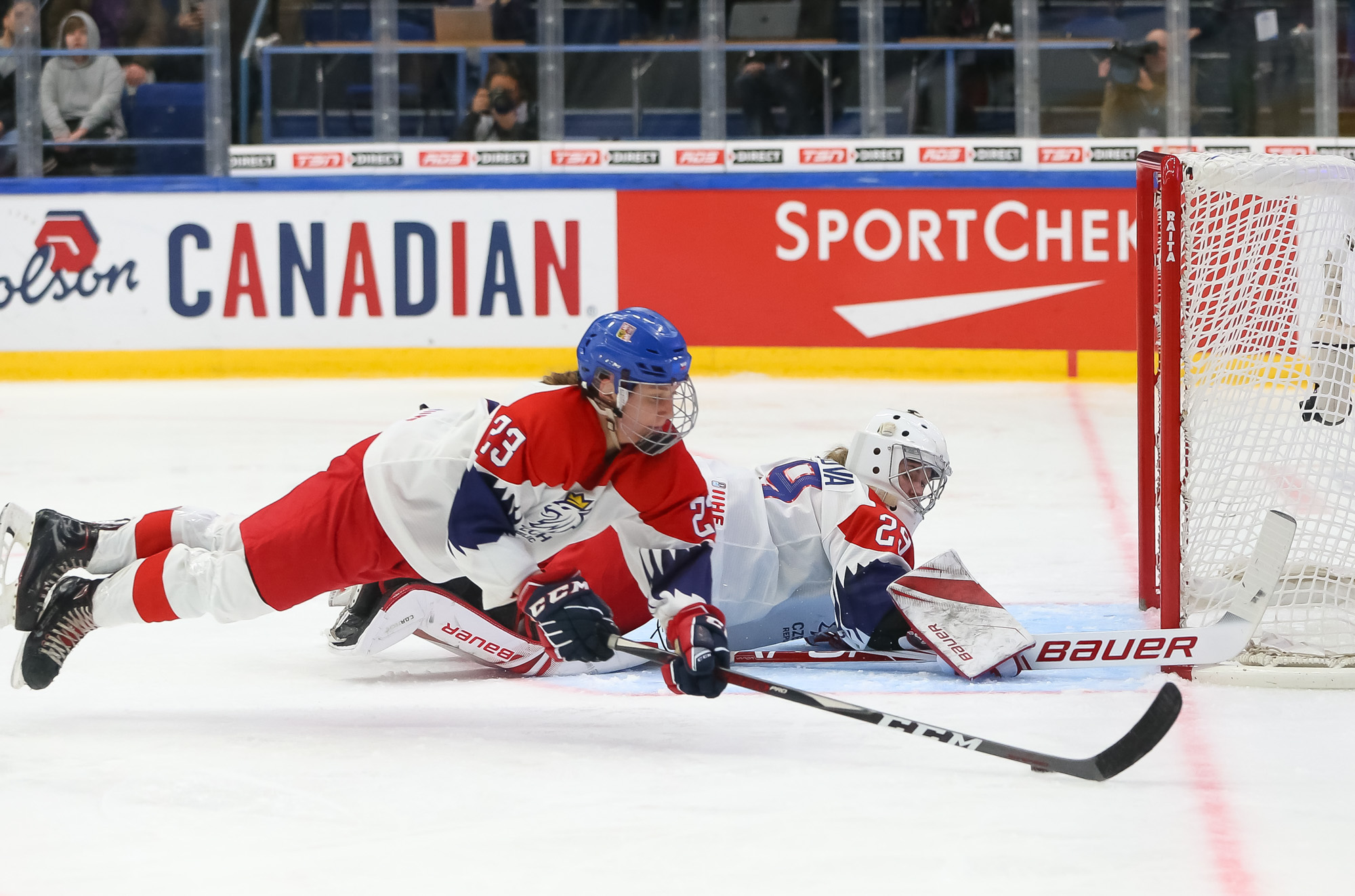 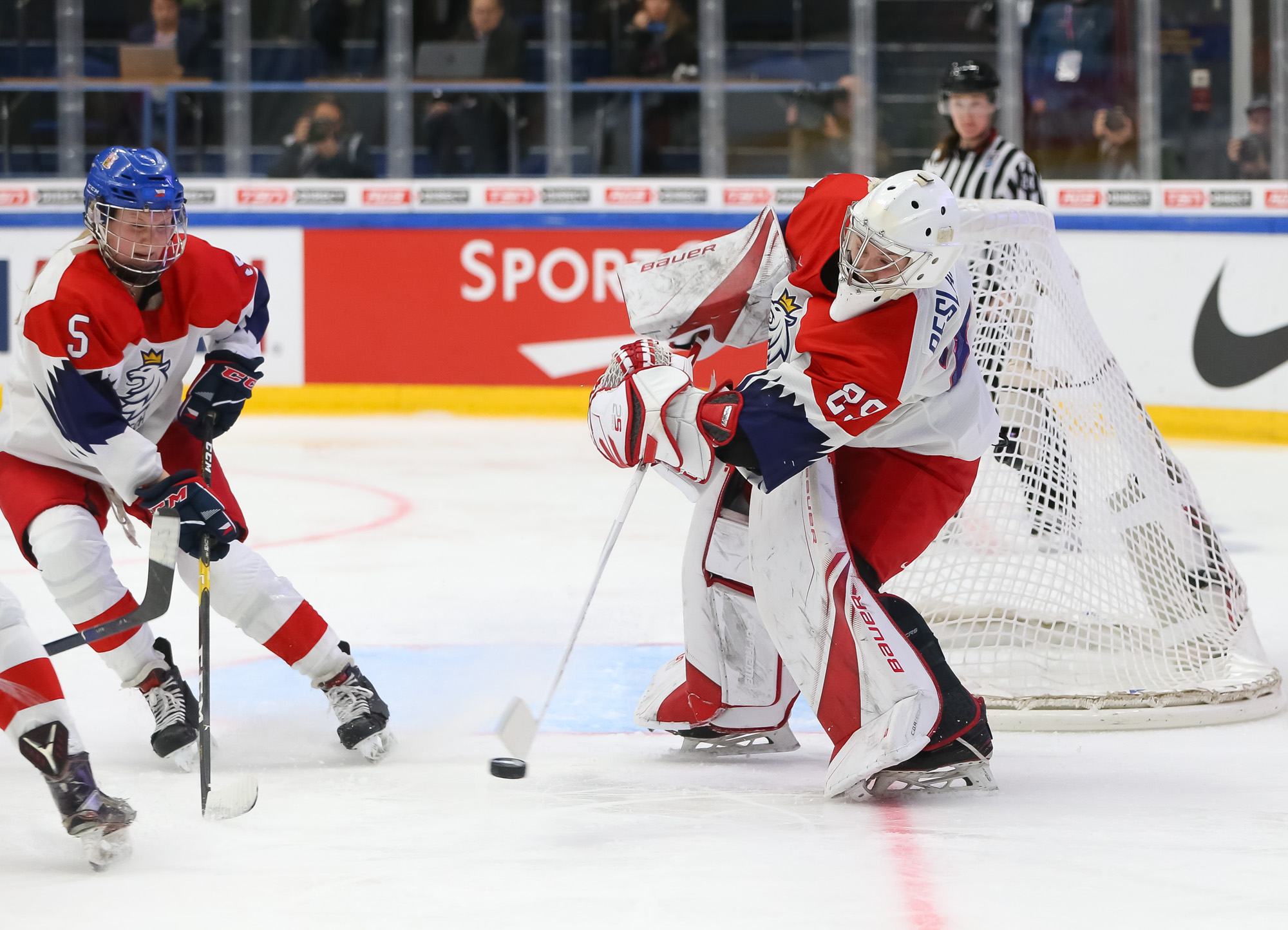 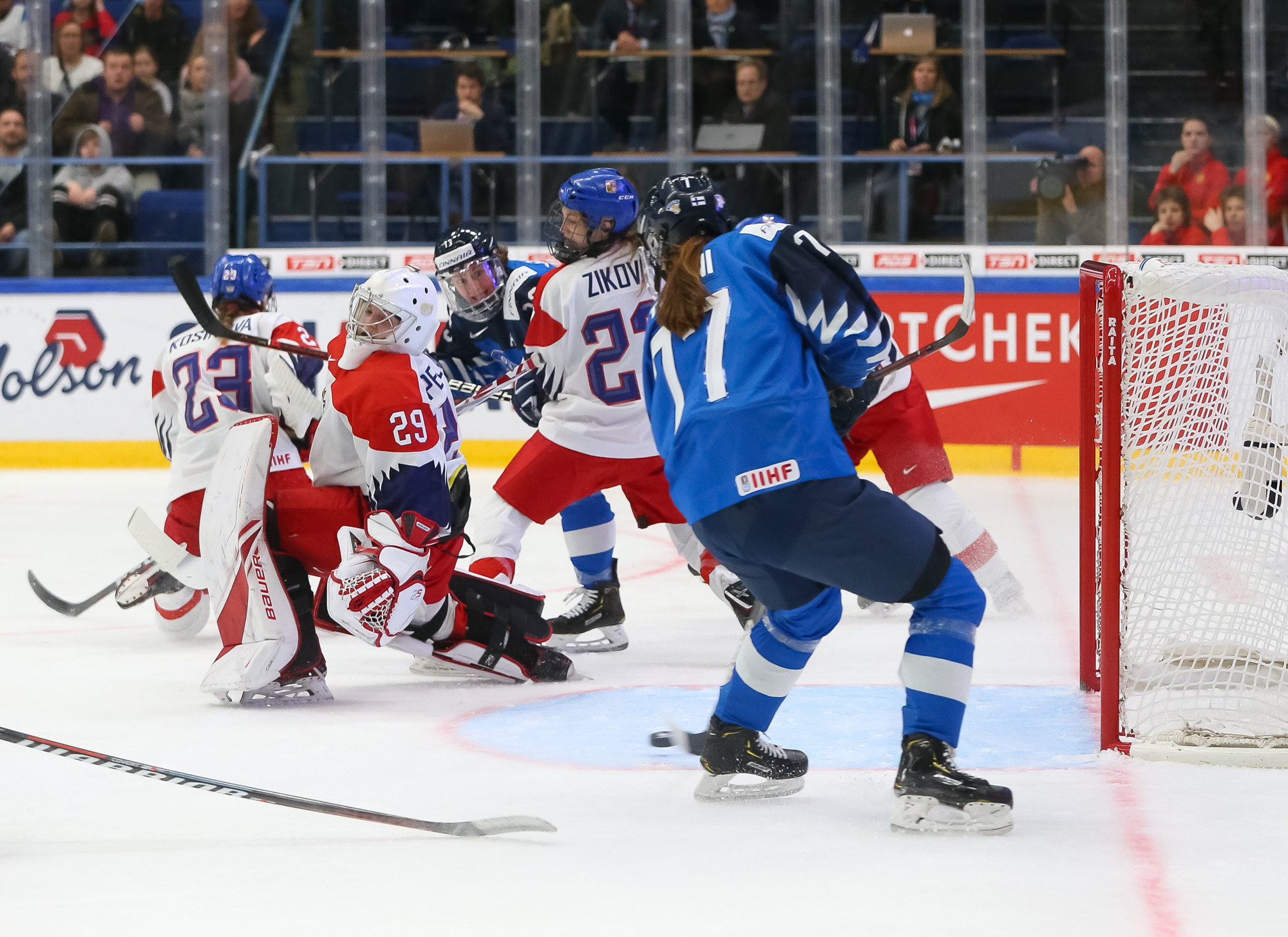 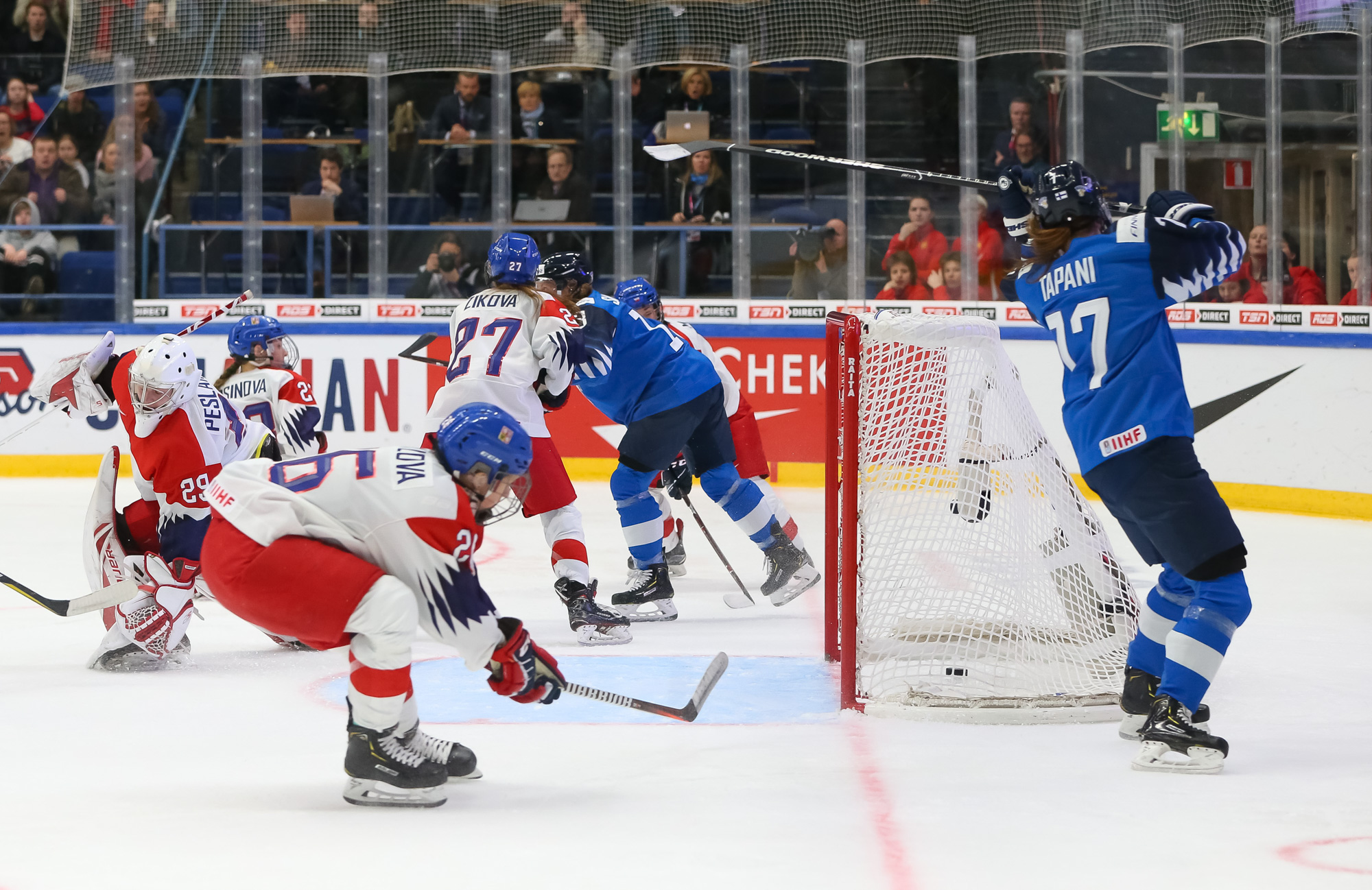 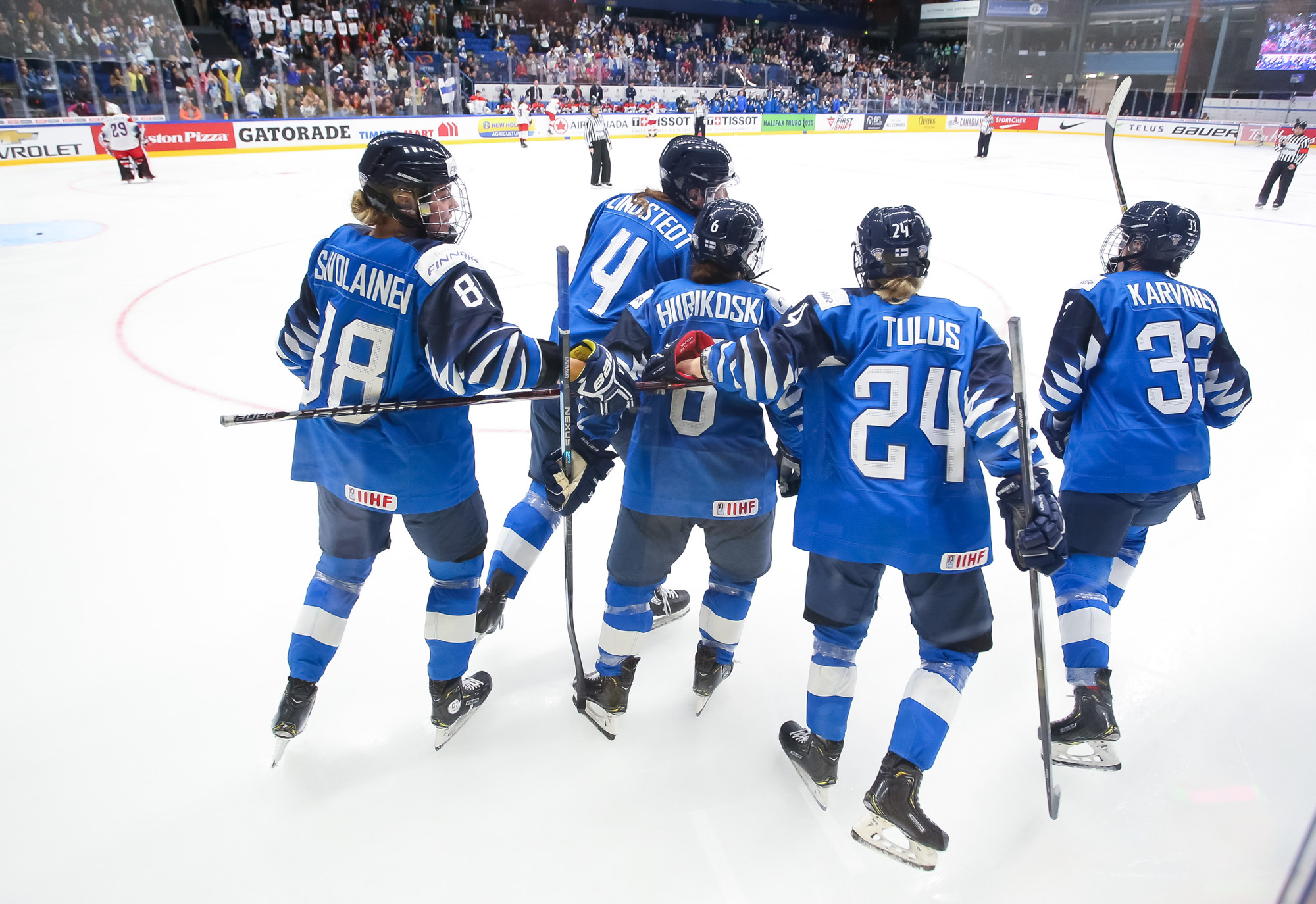 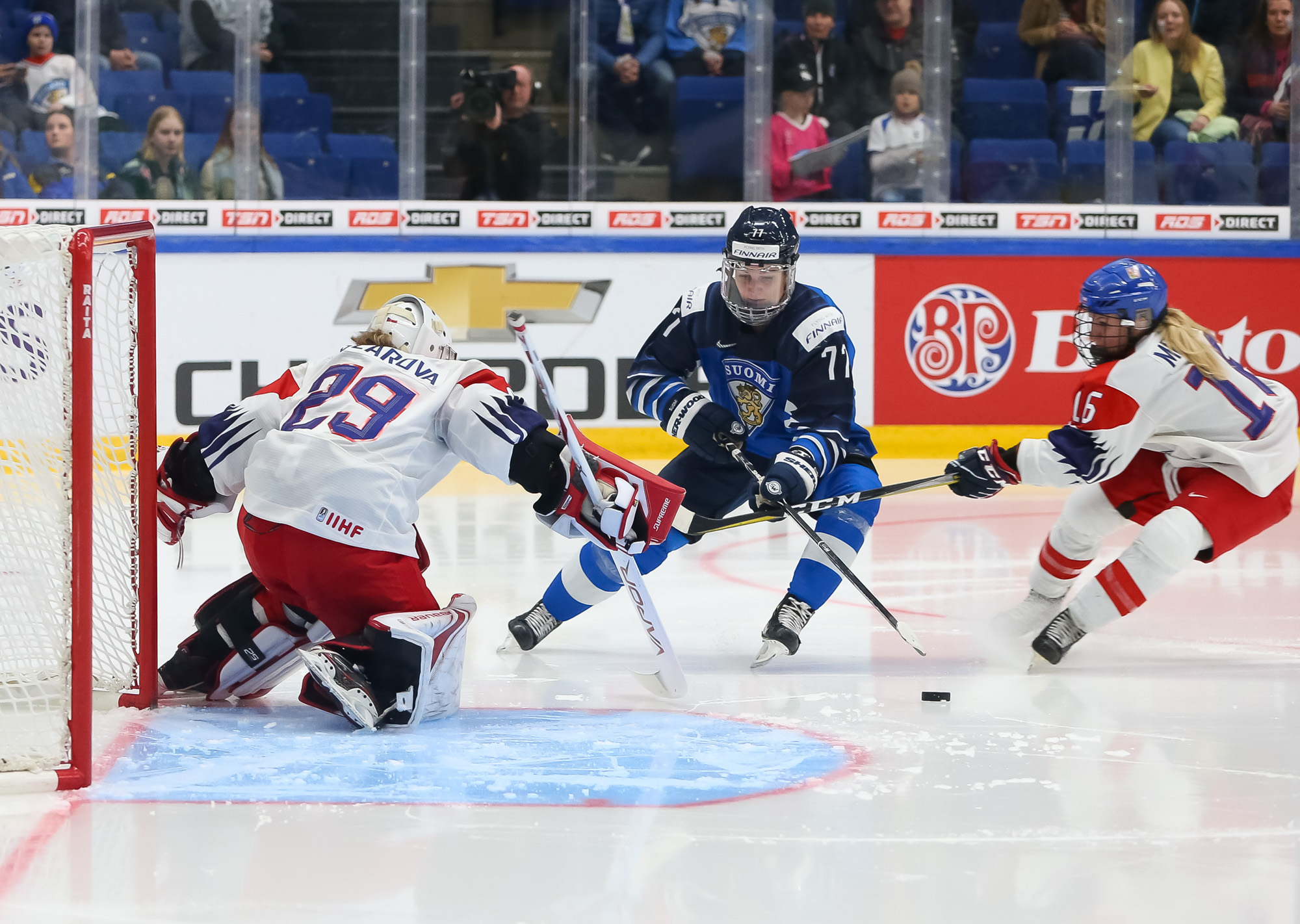 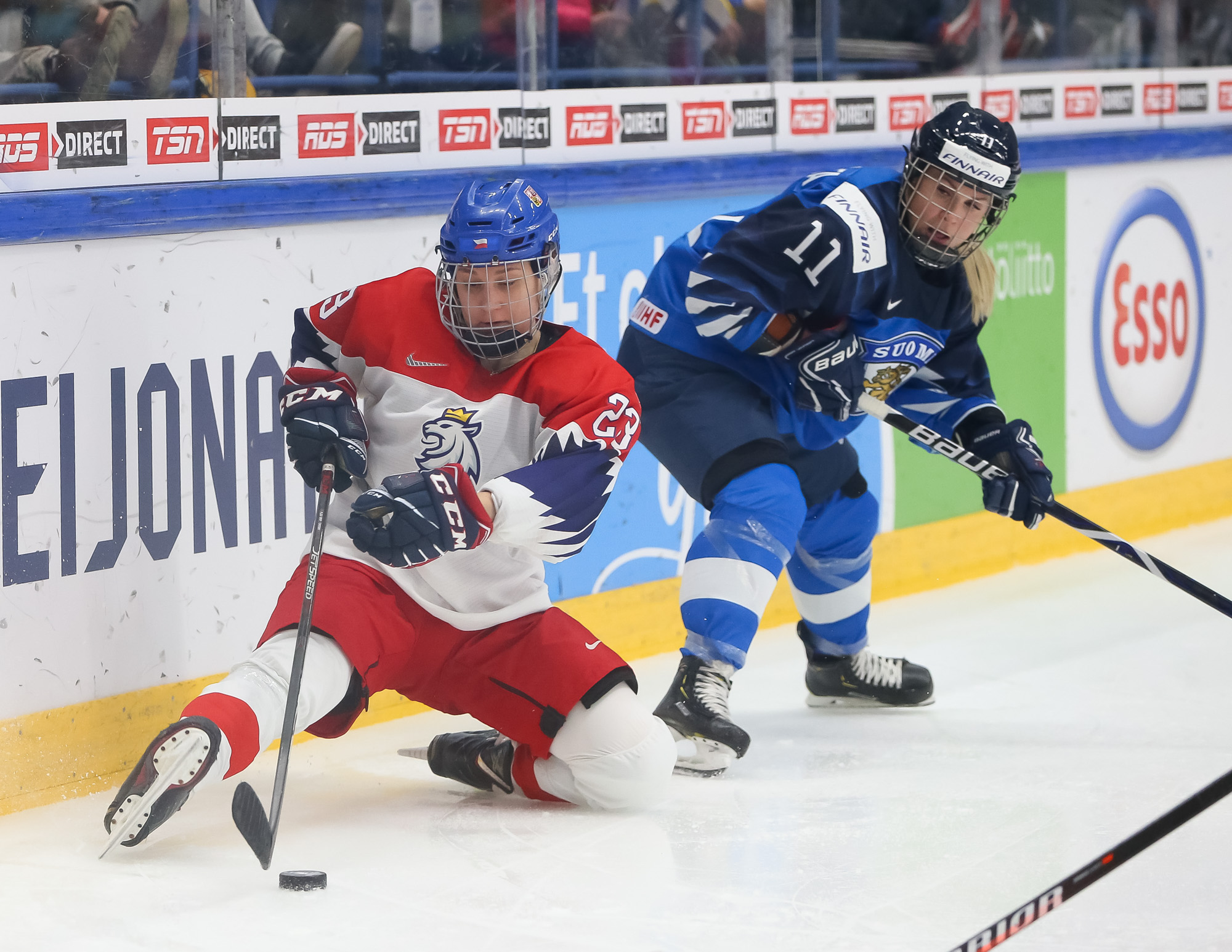 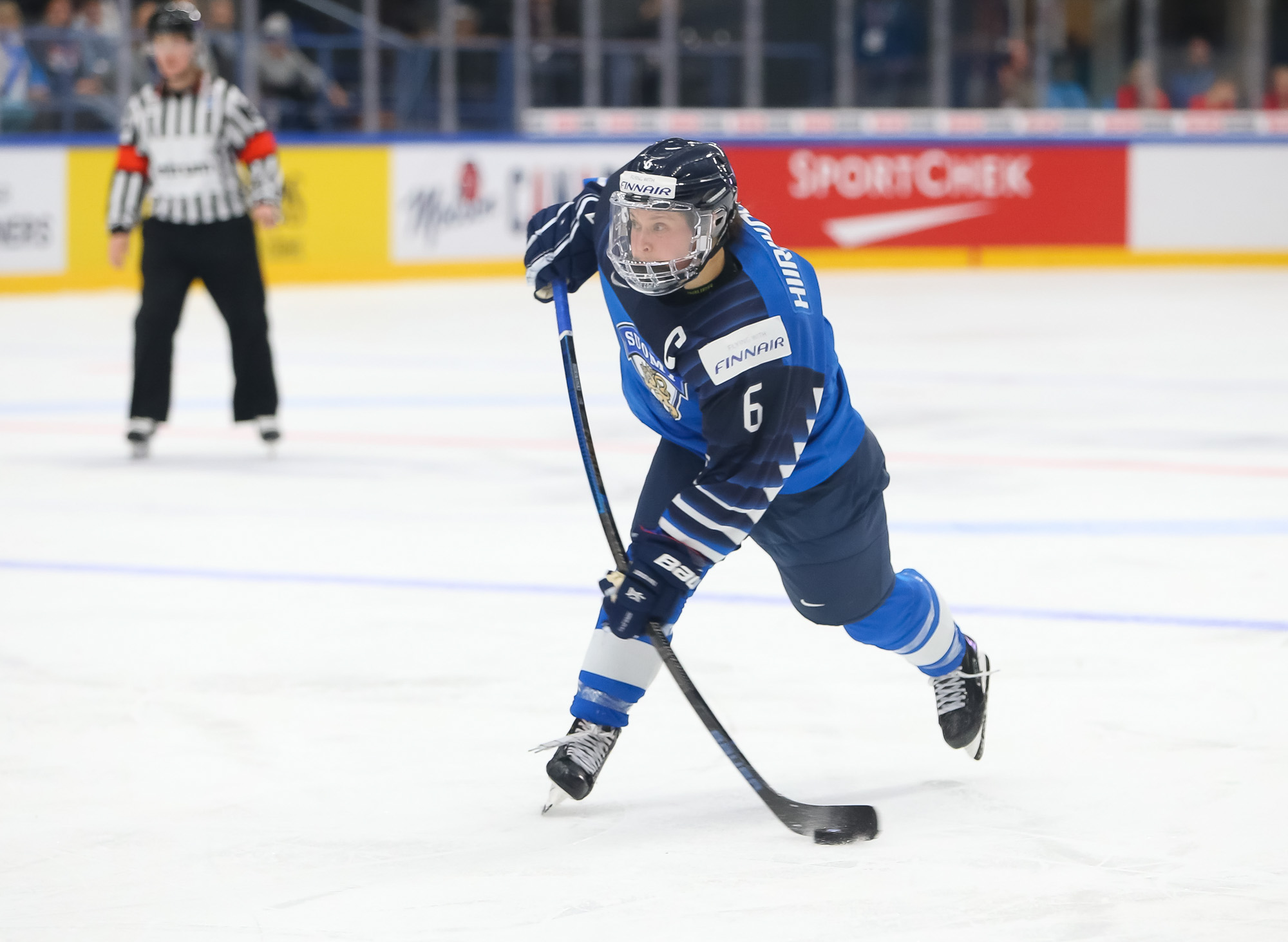 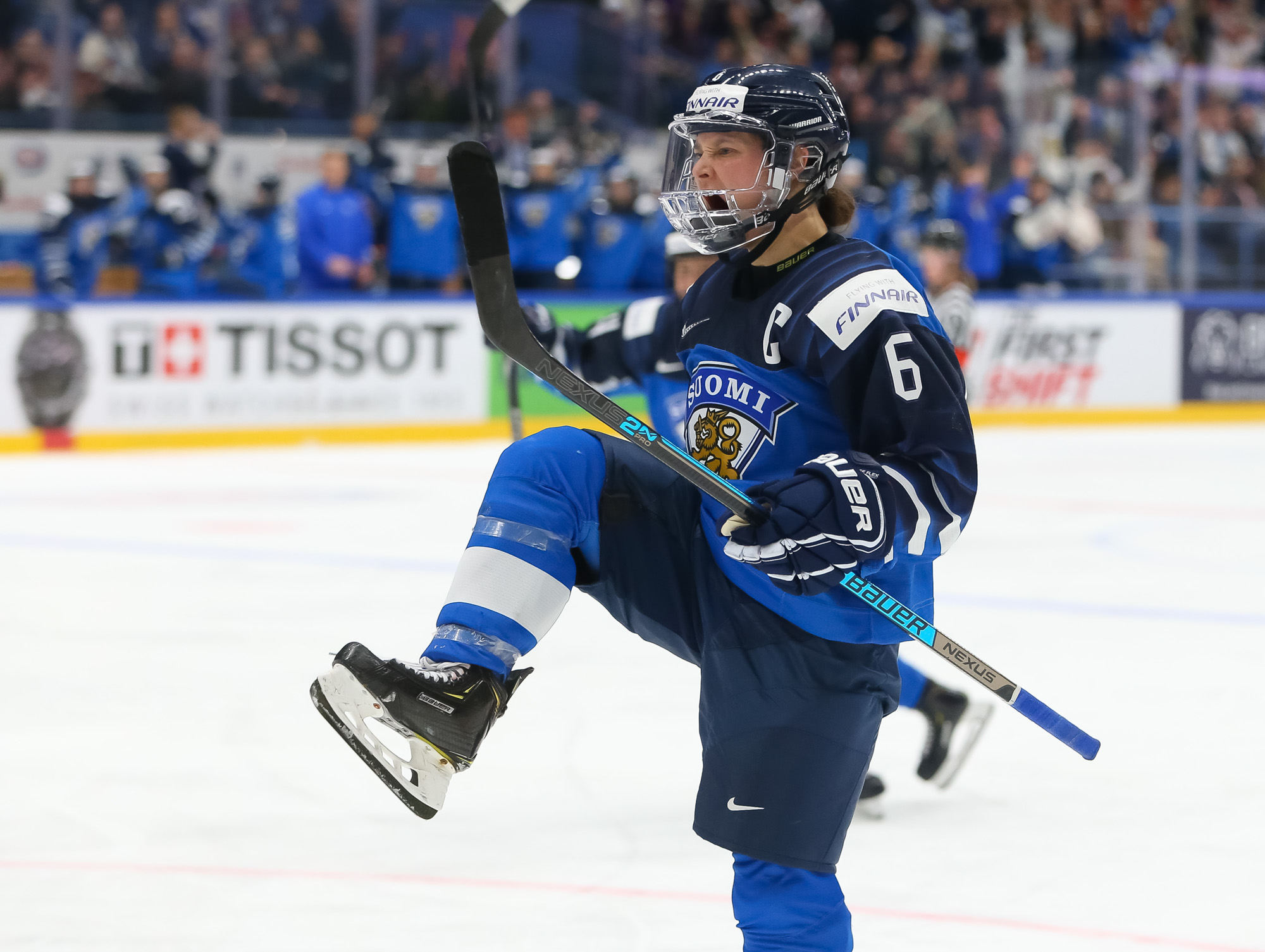 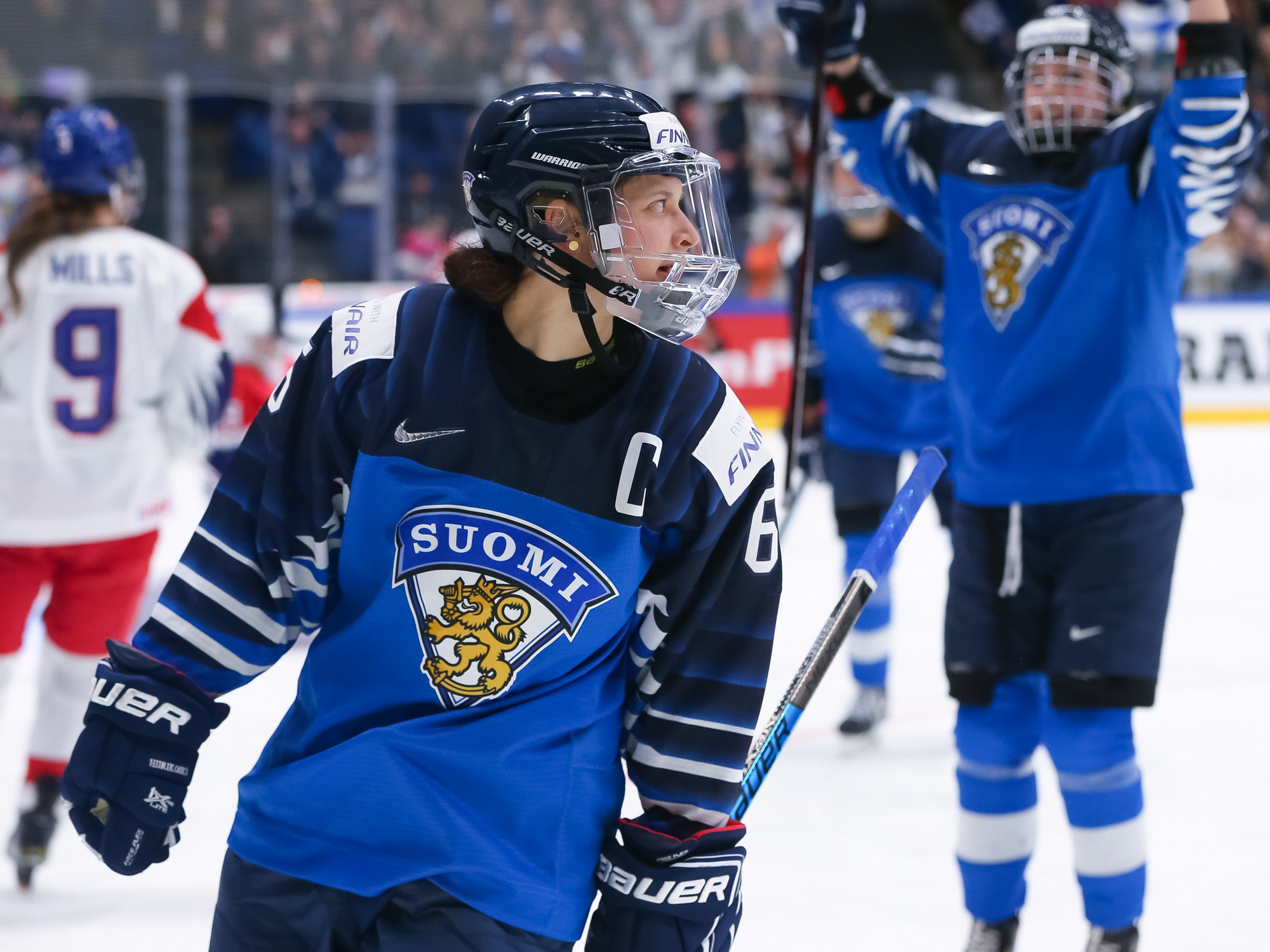 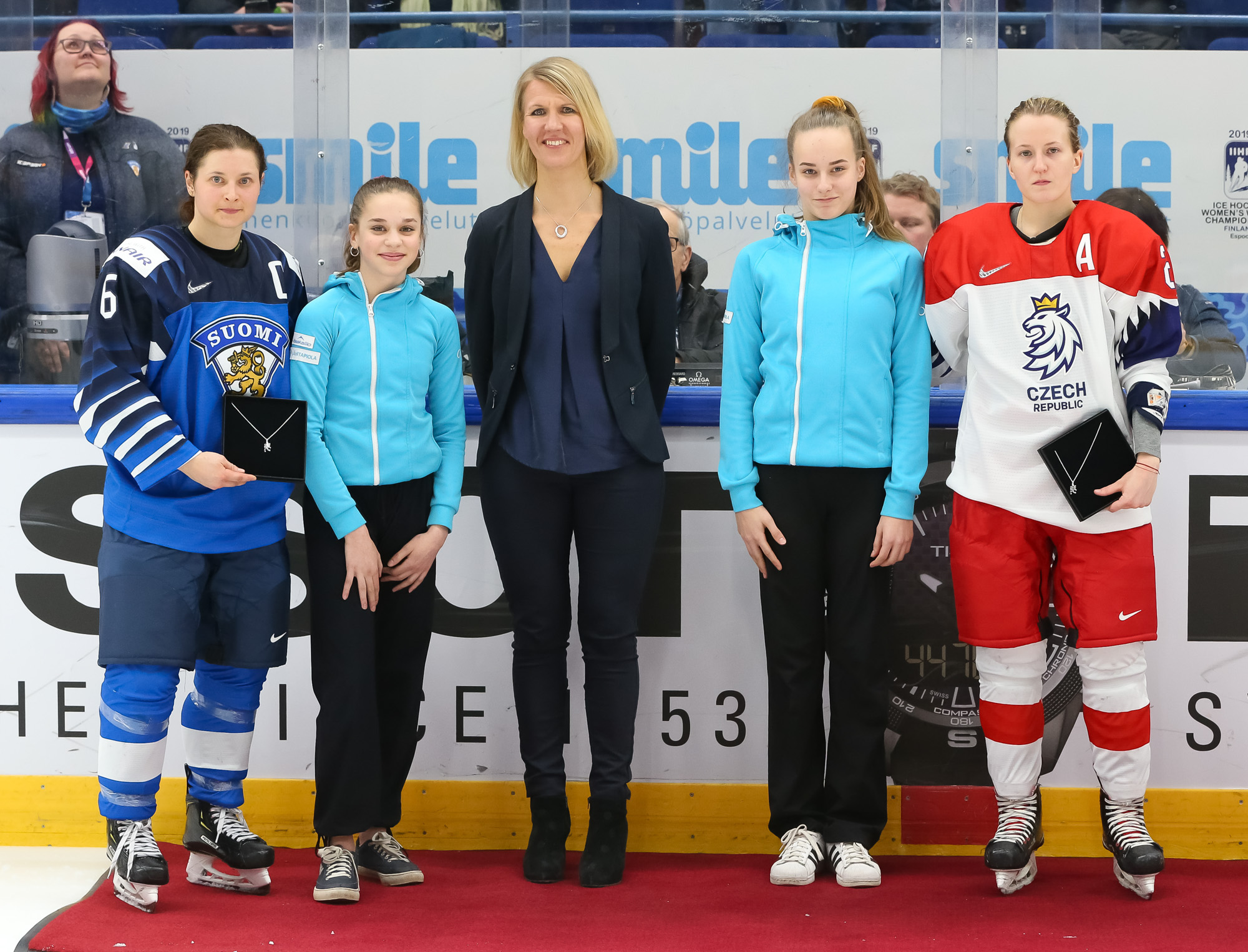 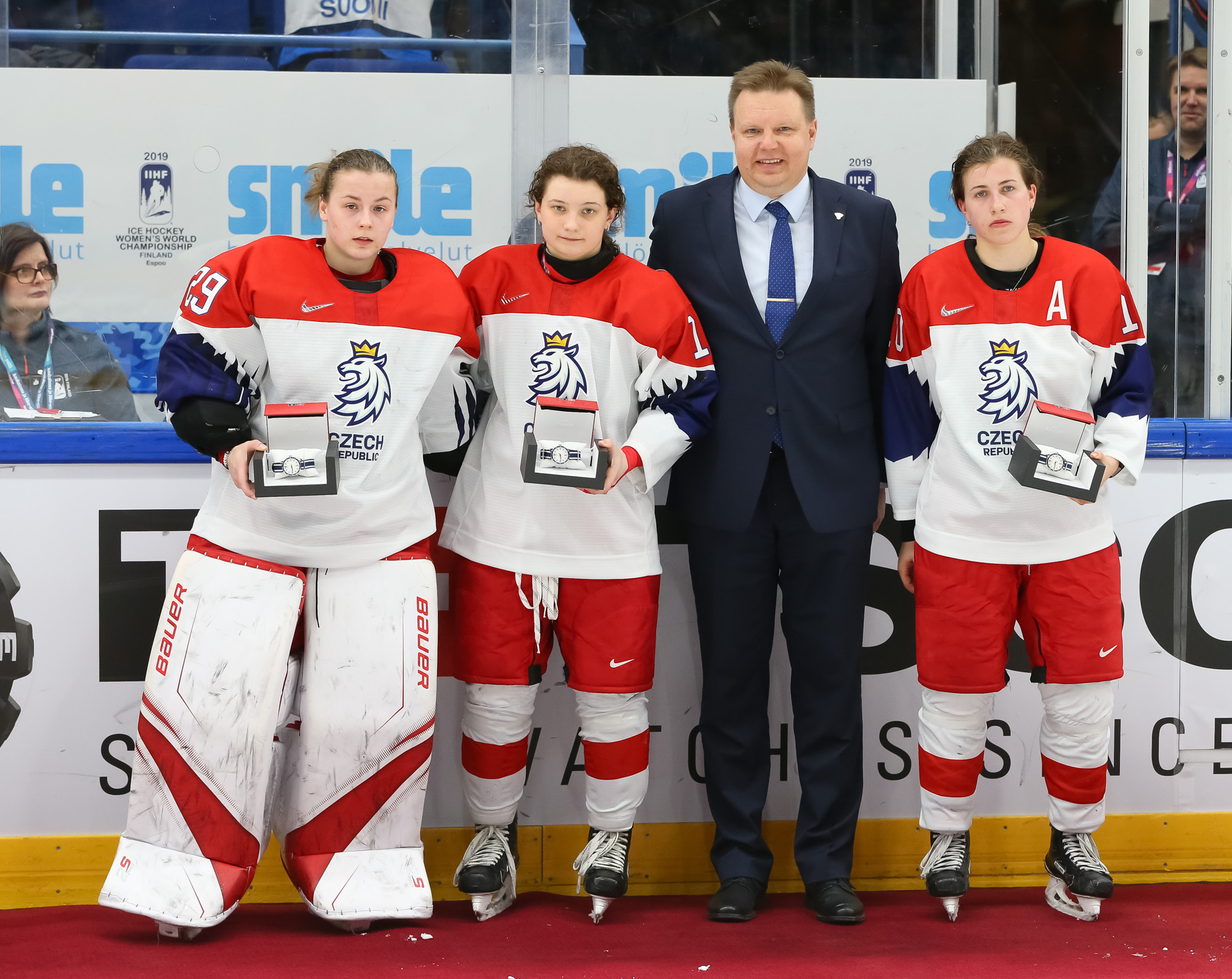 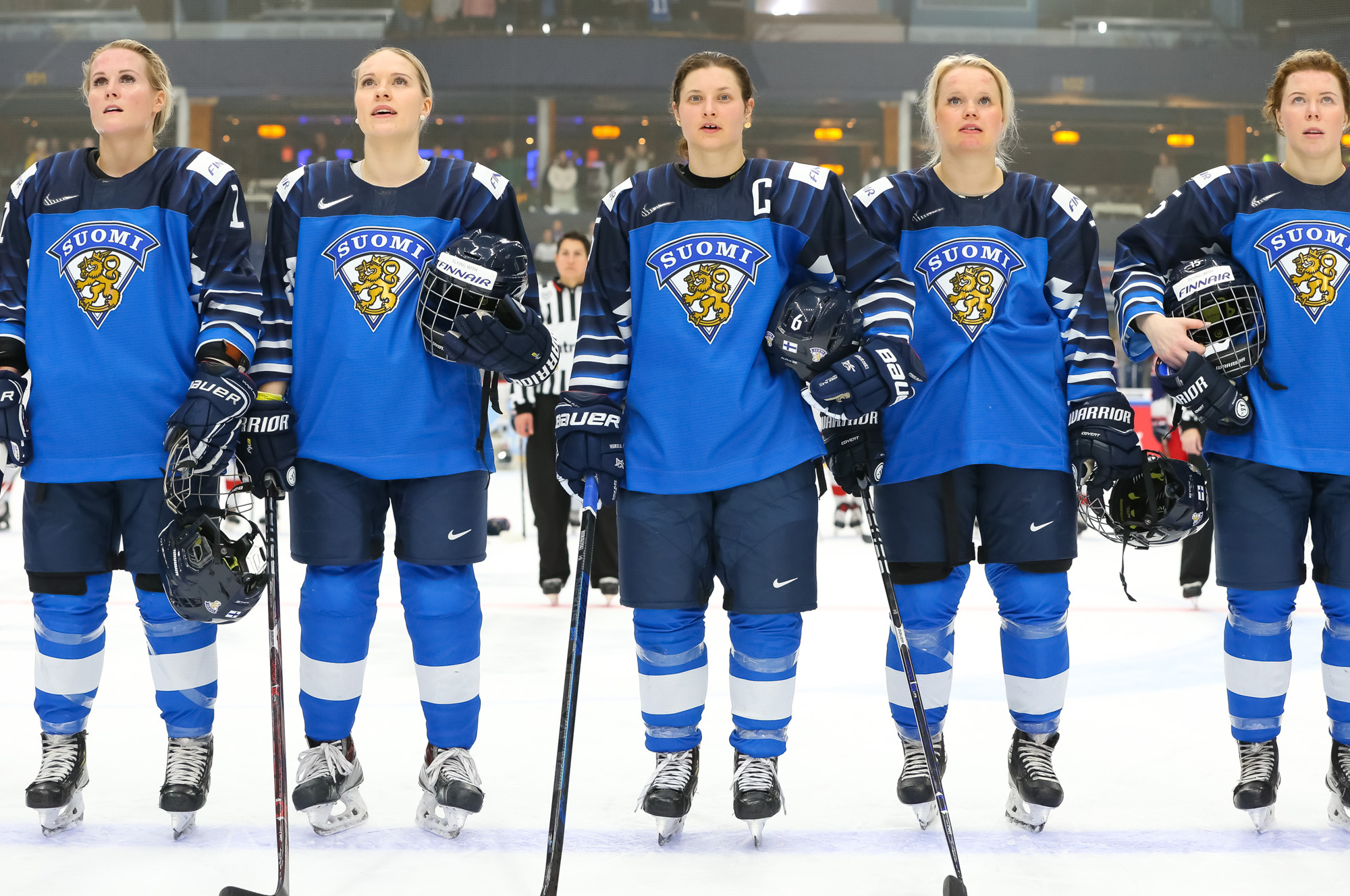