Americans hang on
The Americans built a 3-1 lead by the early part of the second period but faced adversity before defeating Russia, 3-2.
photo: Steve Kingsman / HHOF-IIHF Images
share
Team USA started off their gold-medal defence with a 3-2 win over Russia tonight in Obihiro Group A action.

Although the U.S. outshot their opponents 38-21, however, scoring chances were much closer. In fact, the Russians created several dangerous scoring chances in the third and could have tied the game, notably in the early going when Ilona Markova hit the post.

"I think we played really well," said American forward Mackenna Webster. "We started off a bit slowly maybe from the jet lag, but we got better as the game went on. Still, we can improve even more. They have a good team. They played physically and never gave up."

"We've been looking forward to this tournament all year," Markova said. "I thought we played really well, and I think we're going to play better and better."

During a period in which seven minors were called (four to the Americans), the teams also managed to split a pair of goals. Not surprisingly, the U.S. got on the board first and early, with one of their man advantage situations.

Haley Winn made a nice pass from the point to Webster in front, her back to the goal. She turned and swept a low backhand past Daria Gredzen at 4:55.

Just 73 seconds later, though the Americans had trouble controlling the puck behind their goal and paid the price. Yelena Mezentseva stole it and got it out front where Markova poked it over the goal line.

Russia had more than its fair share of chances in the period, culminating with a five-on-three for 1:35. Although they created a few decent chances, Skylar Vetter was solid when she had to be to keep the score tied.

The Americans stormed out front early in the second with two goals produced because of their speed and puck pressure. Webster found Casey O’Brien jn front and O’Brien lifted the puck over Gredzen’s glove.

Less than three minutes later, Sydney Shearen banged in a rebound at 5:33 to make it a 3-1 game, but Russia was not yet ready to give up. They kept up the pace and played well defensively, even though the U.S. had the majority of the puck and play.

At 16:59, though, the tandem of Mezentseva and Makova connected again. This time it was Mezentseva who knocked in a loose puck from in close to cut the U.S. lead in half.

"I felt the Americans started each period really well, but as the game went on we got stronger and stronger," Markova observed.

The Americans, with nine returning players, face their greatest rivals Canada tomorrow in the late game, and earlier Russia takes on Sweden.

"We have great balance in the locker room," Webster noted. "It's great we have so many returnees who remember the gold form last year, but we also have some great new players as well who bring a lot of energy to the team."

"We feel like we're playing with more confidence and speed against the best teams," Markova said, before adding with a smile, "and sometimes I think we make the North Americans play not as well as they would like." 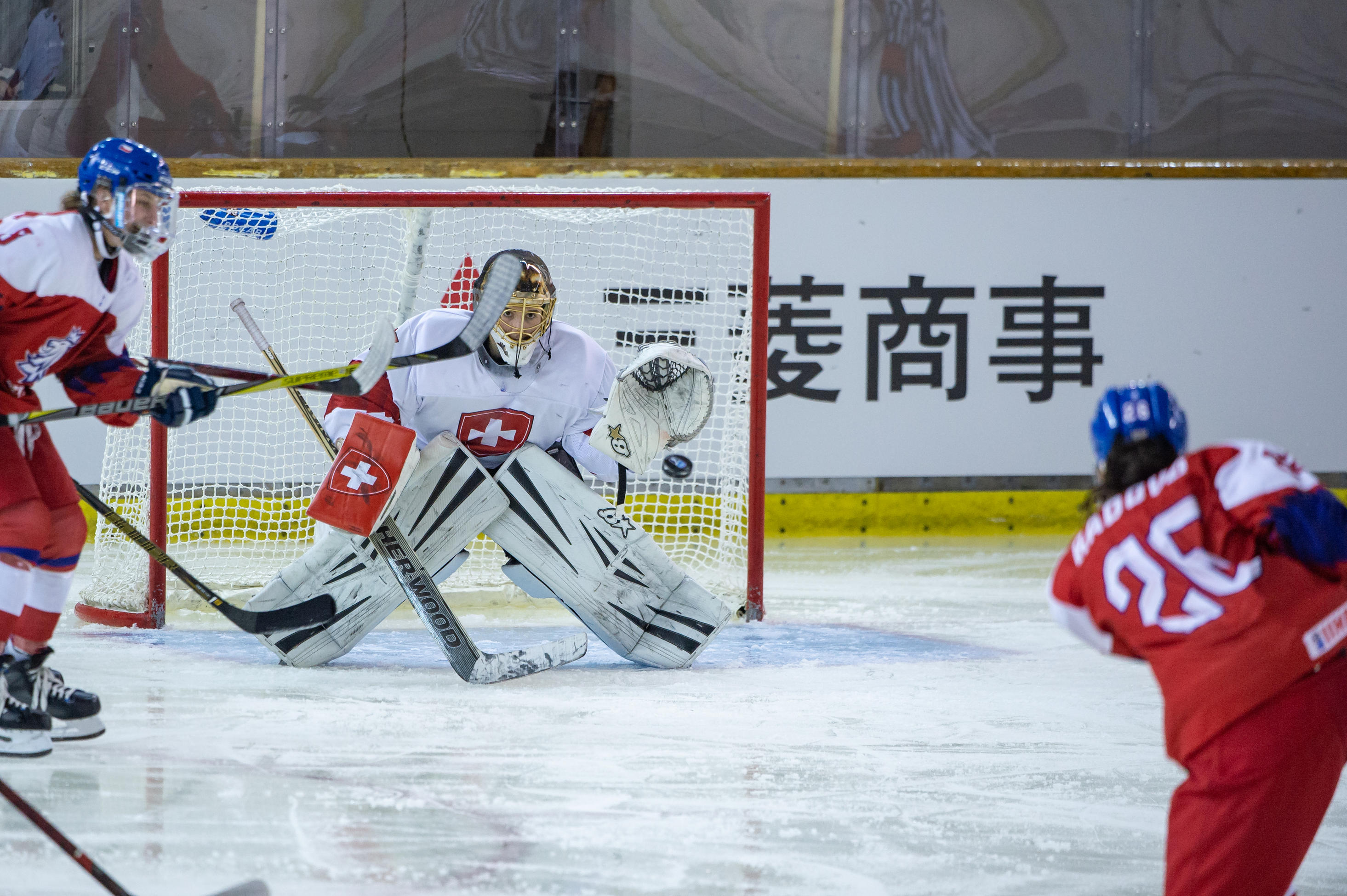 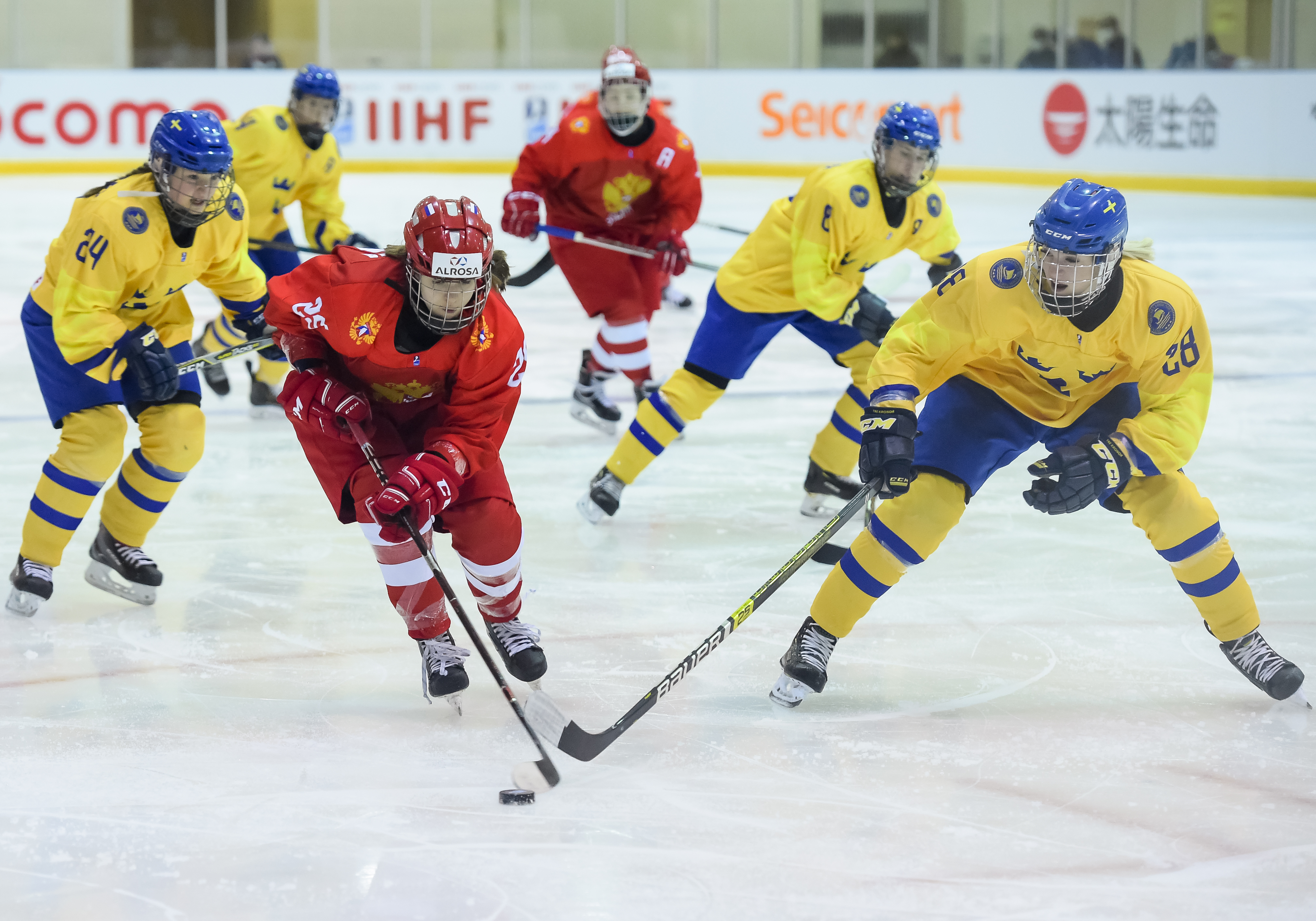 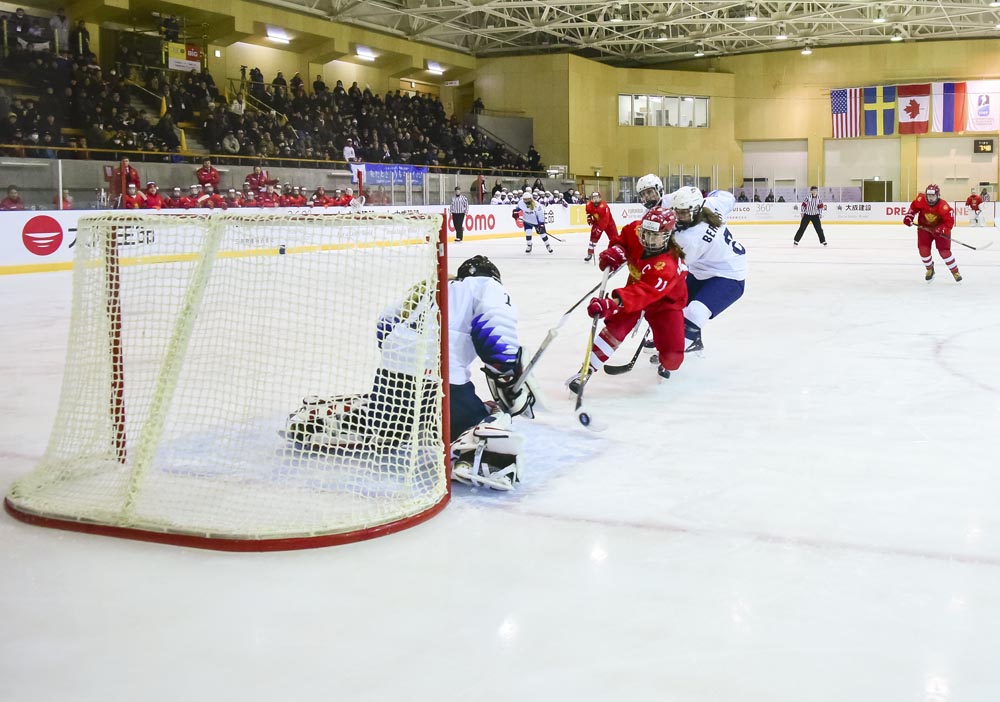 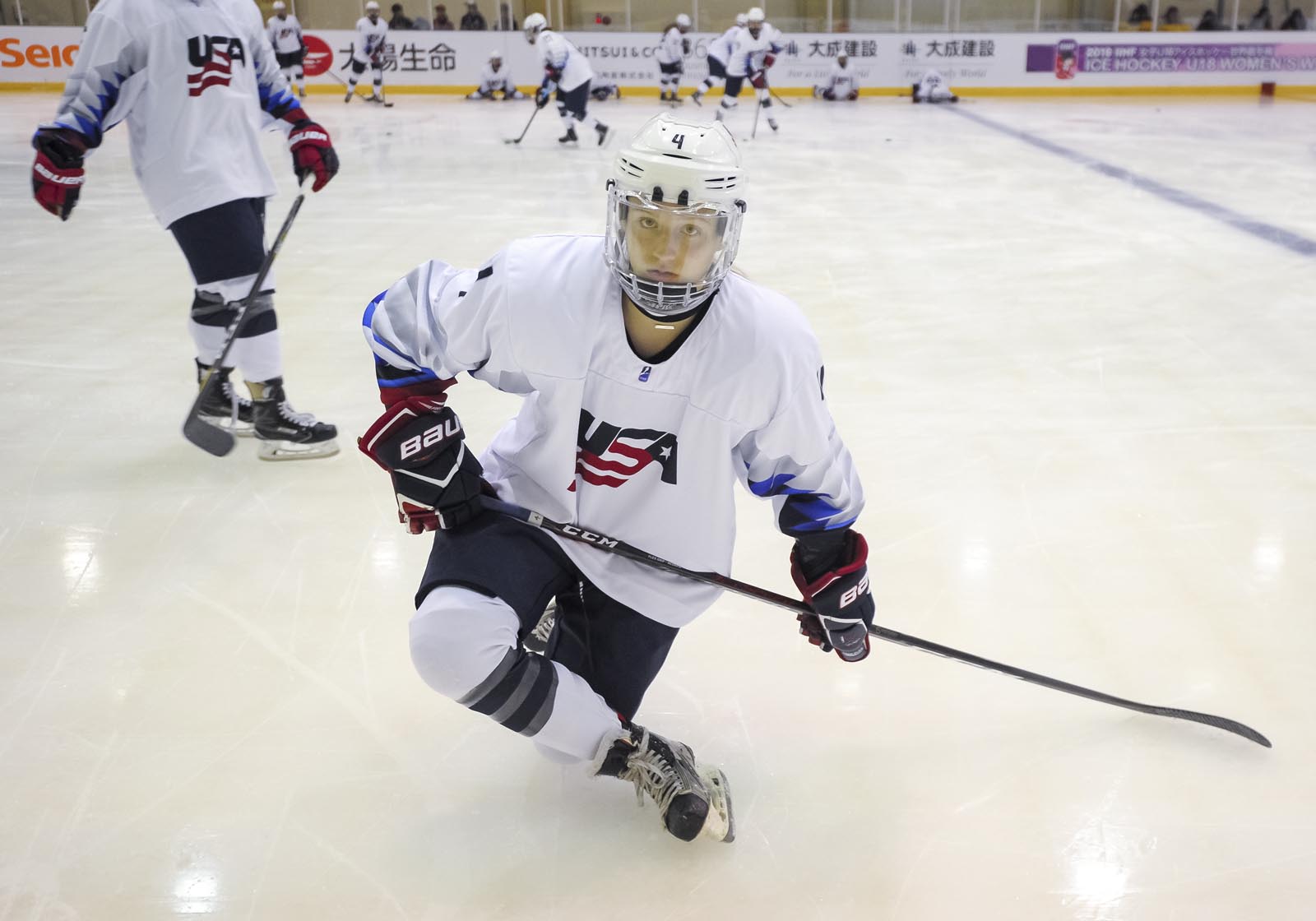 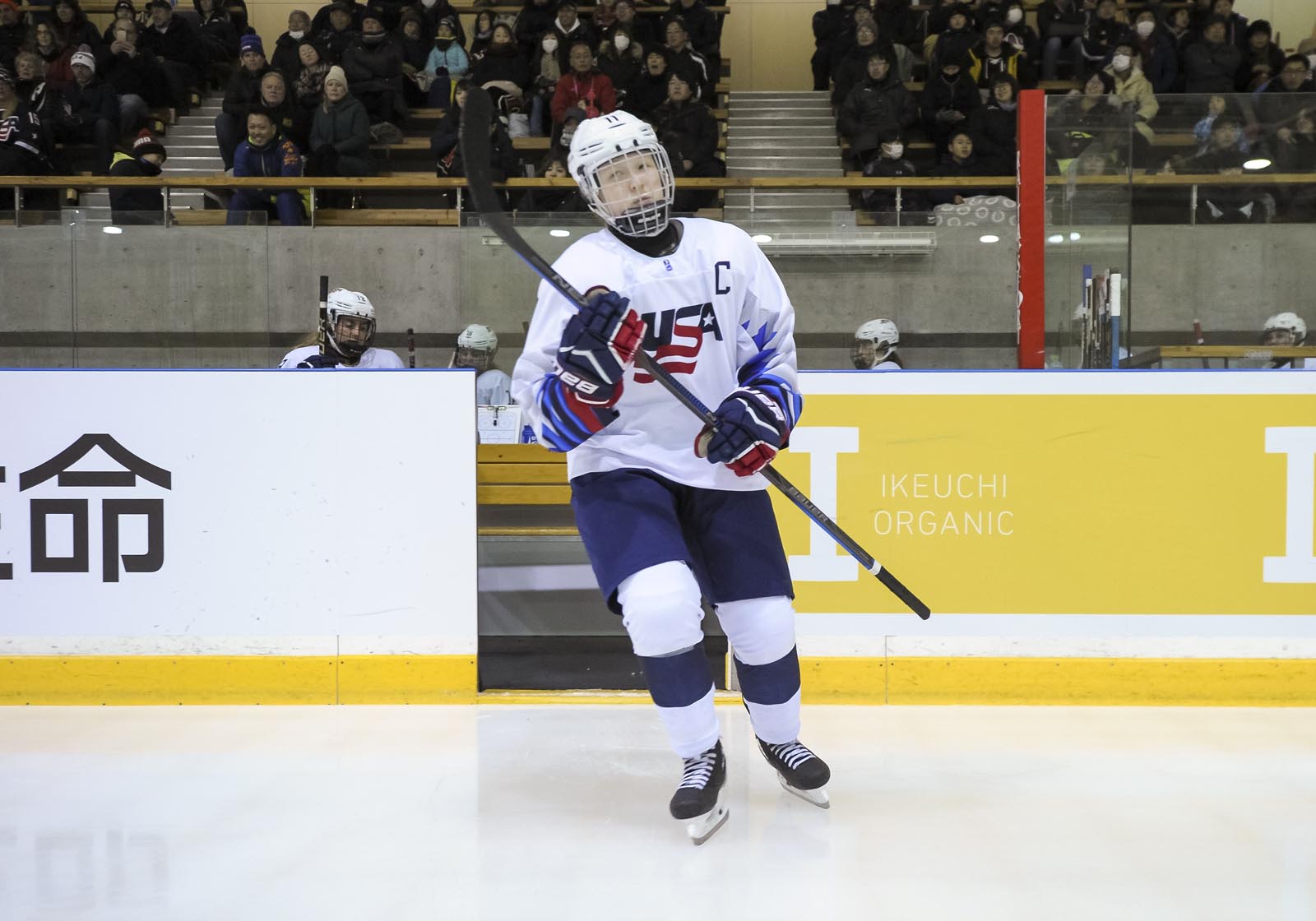 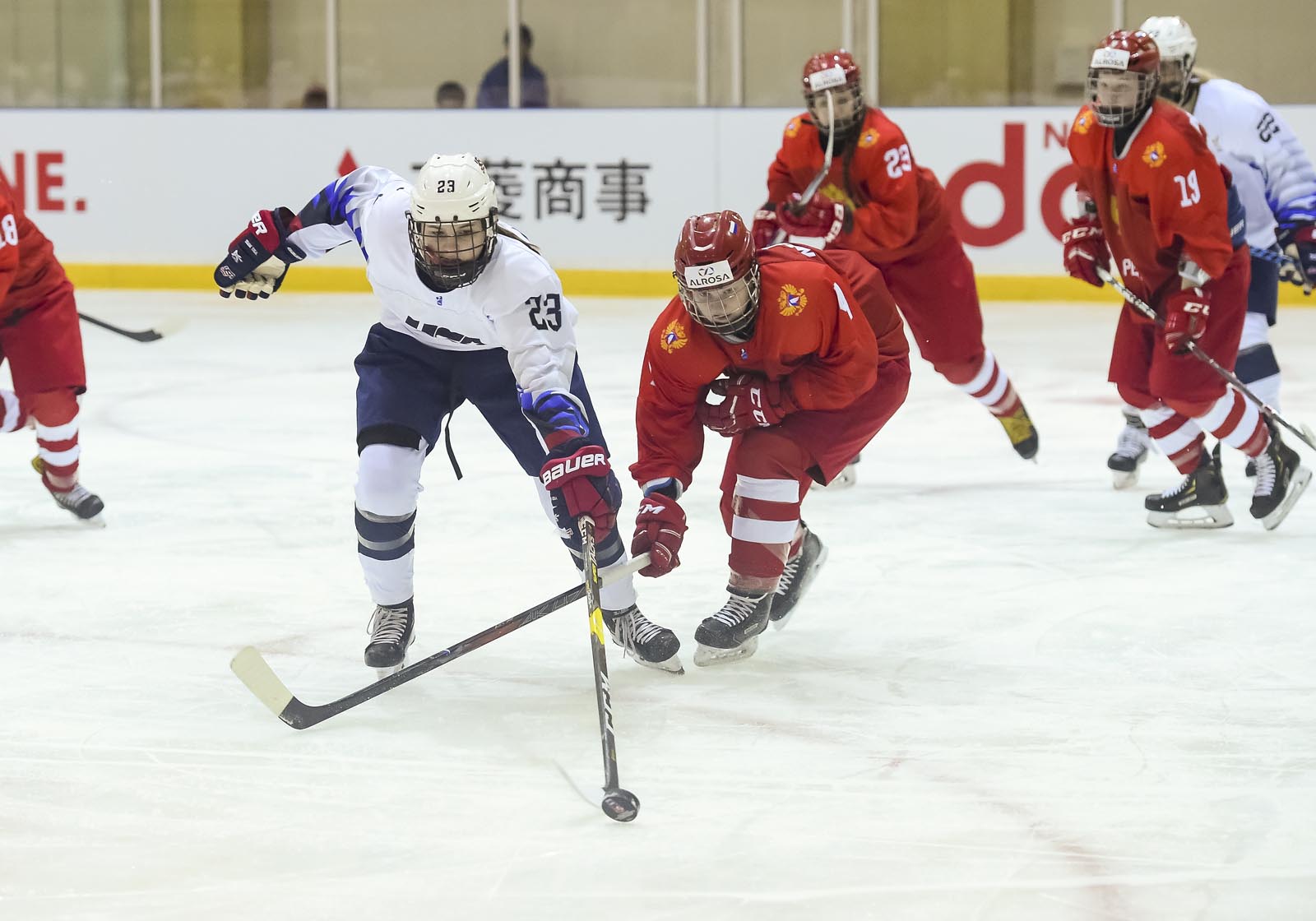 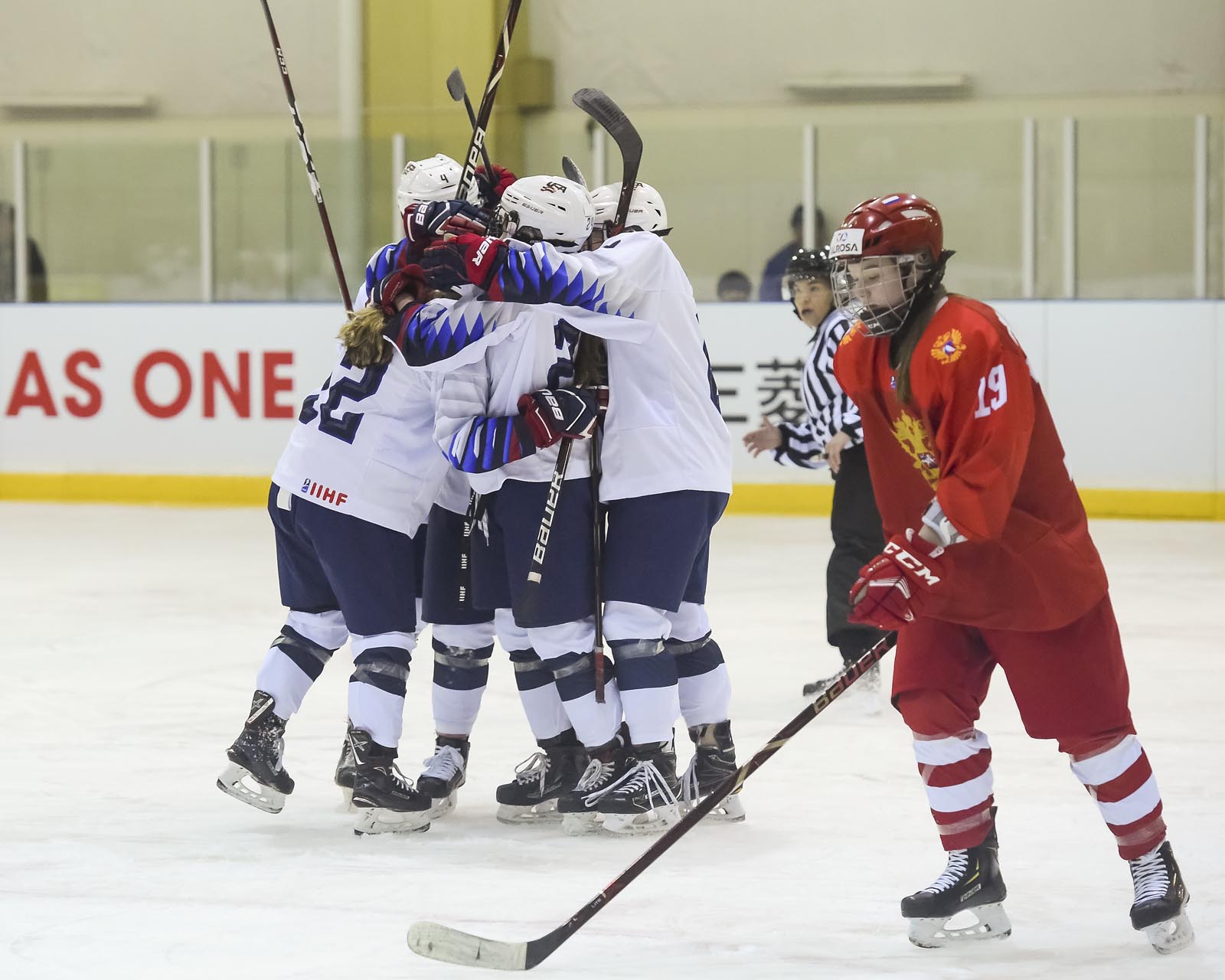 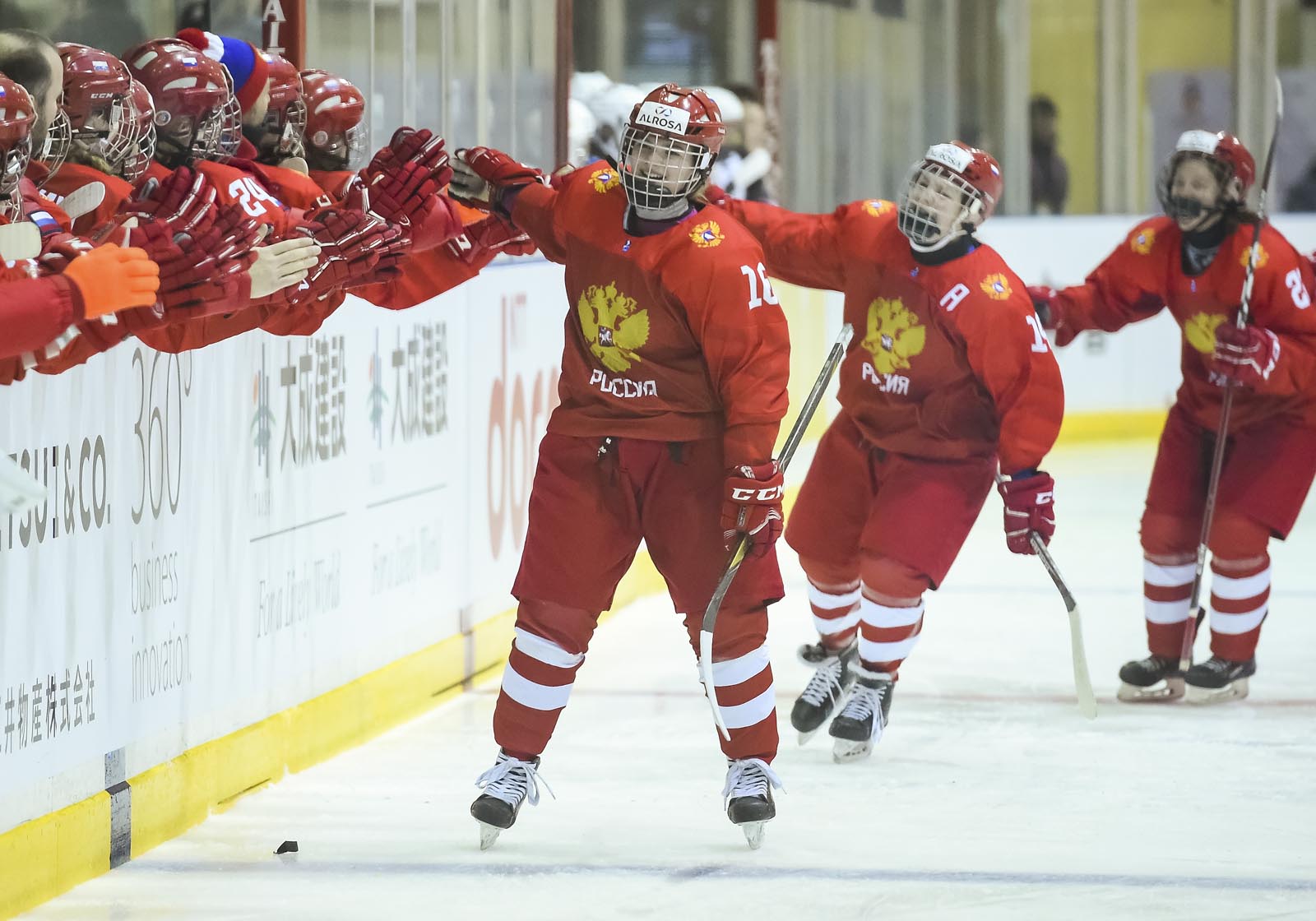 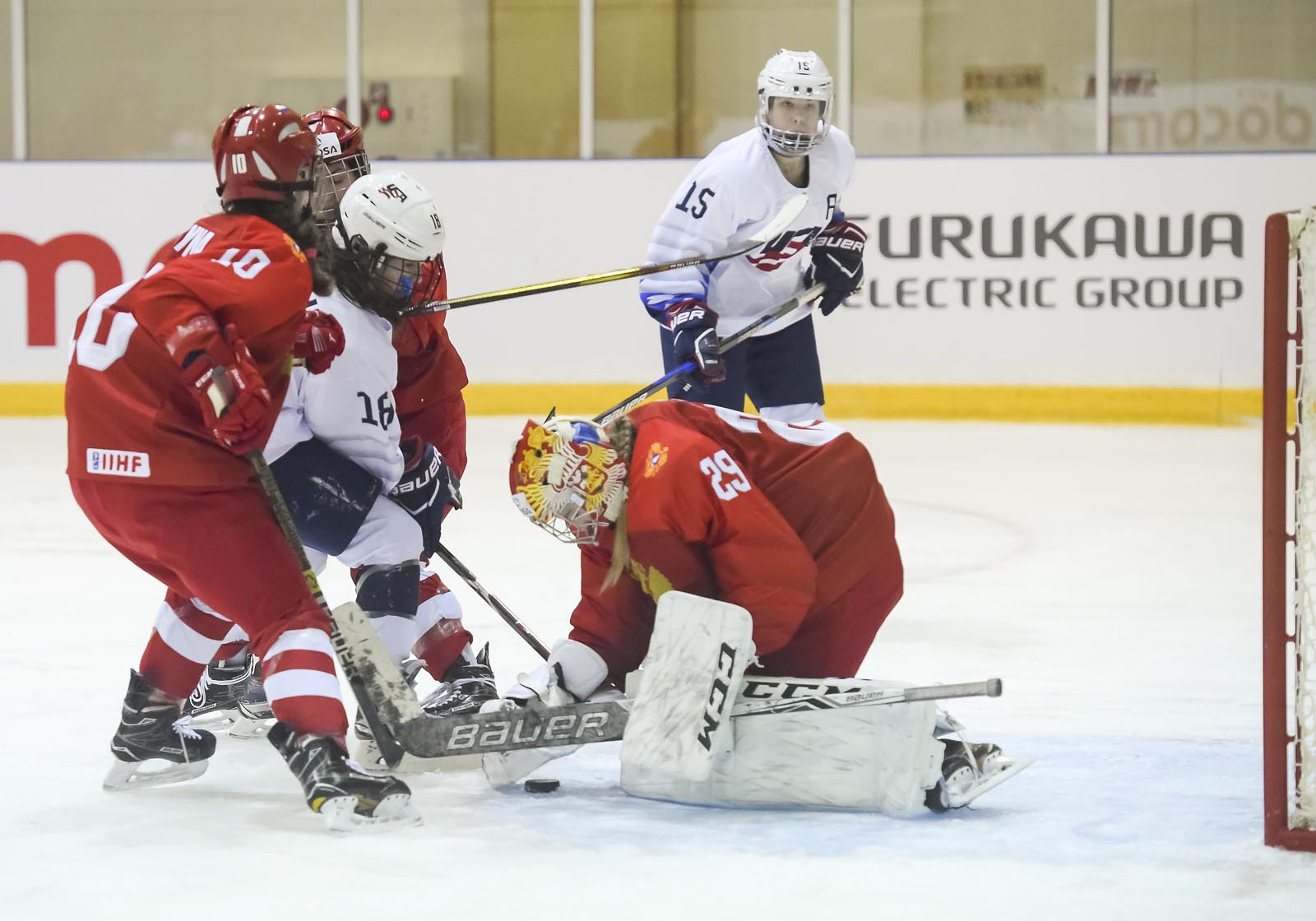 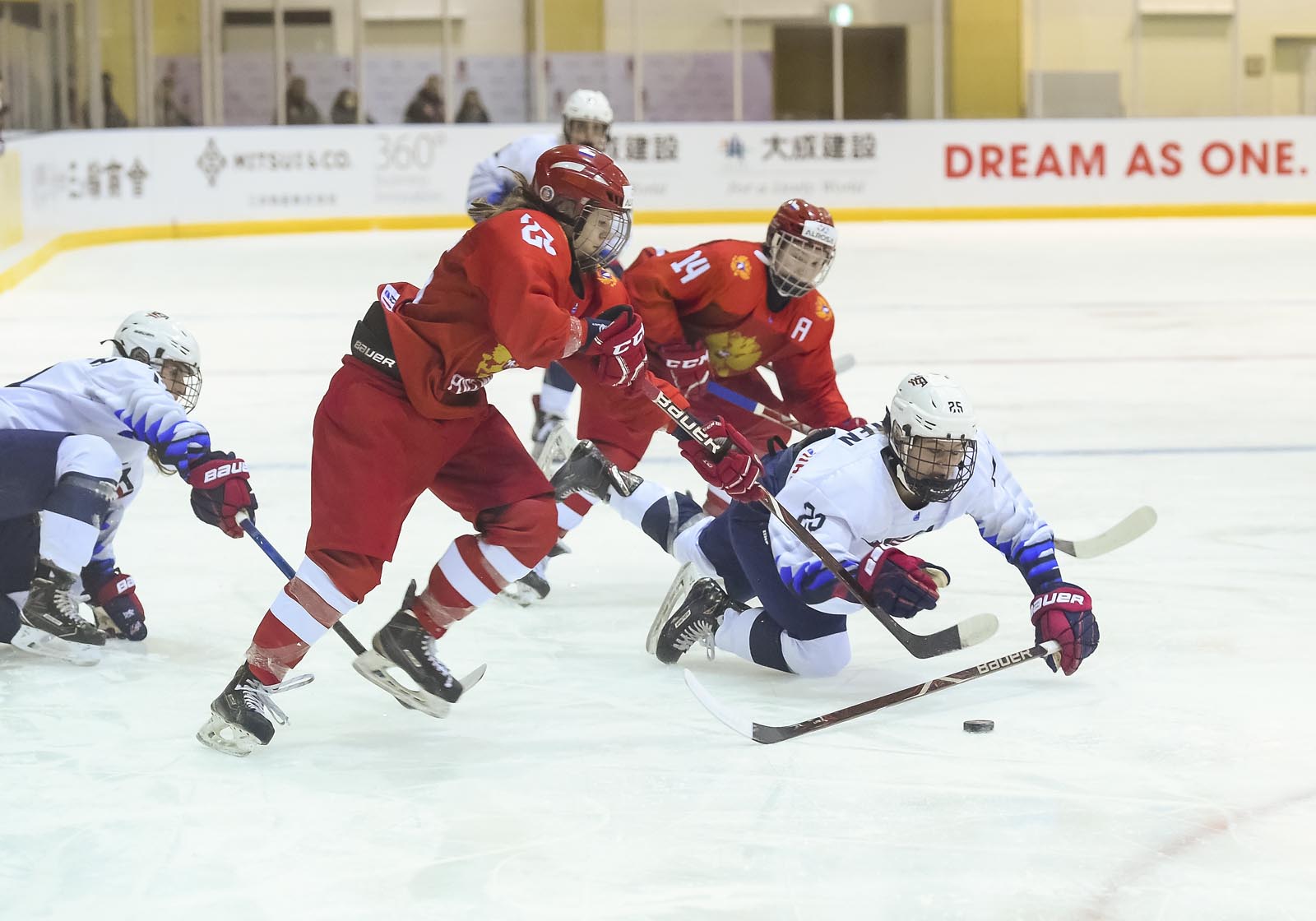 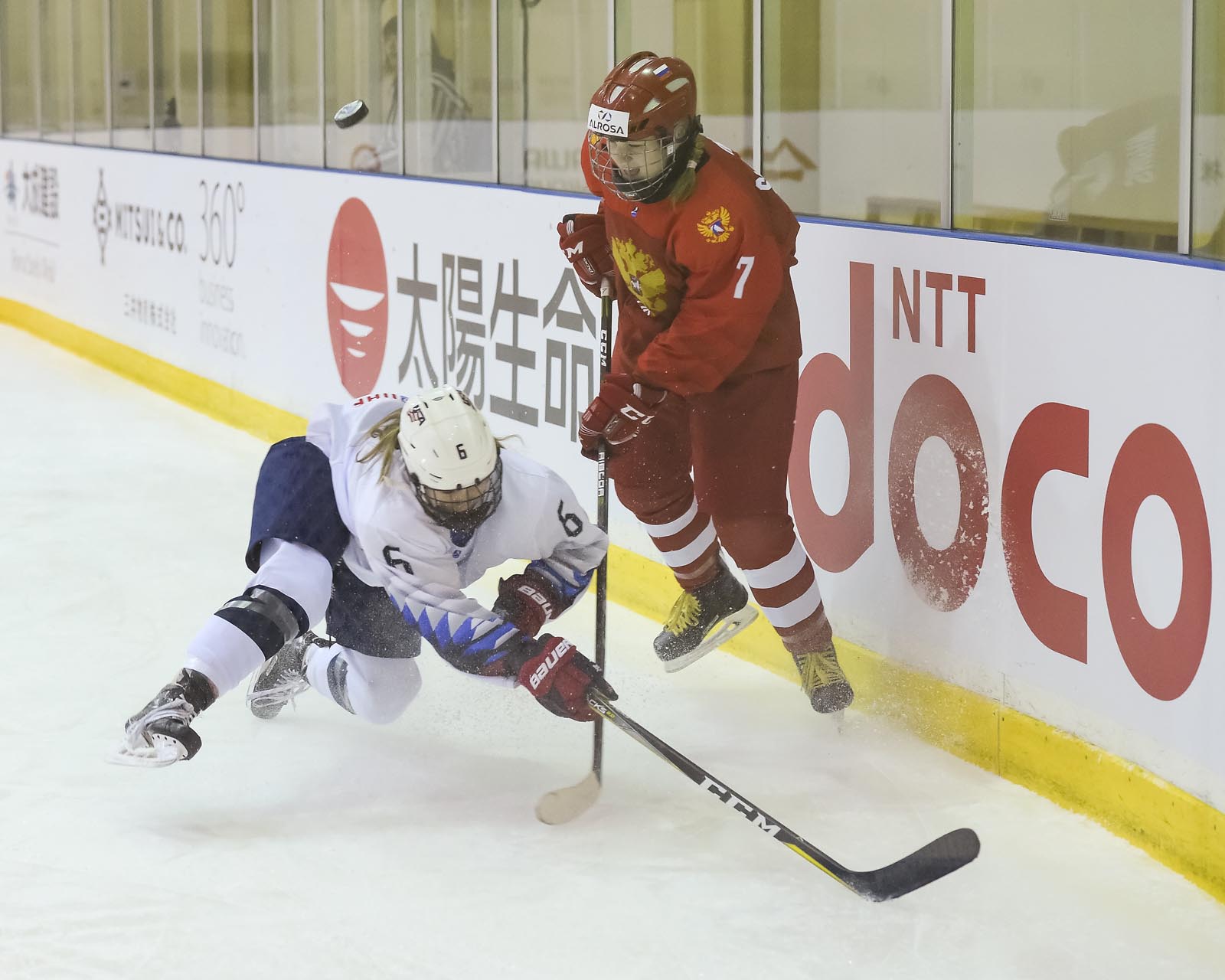 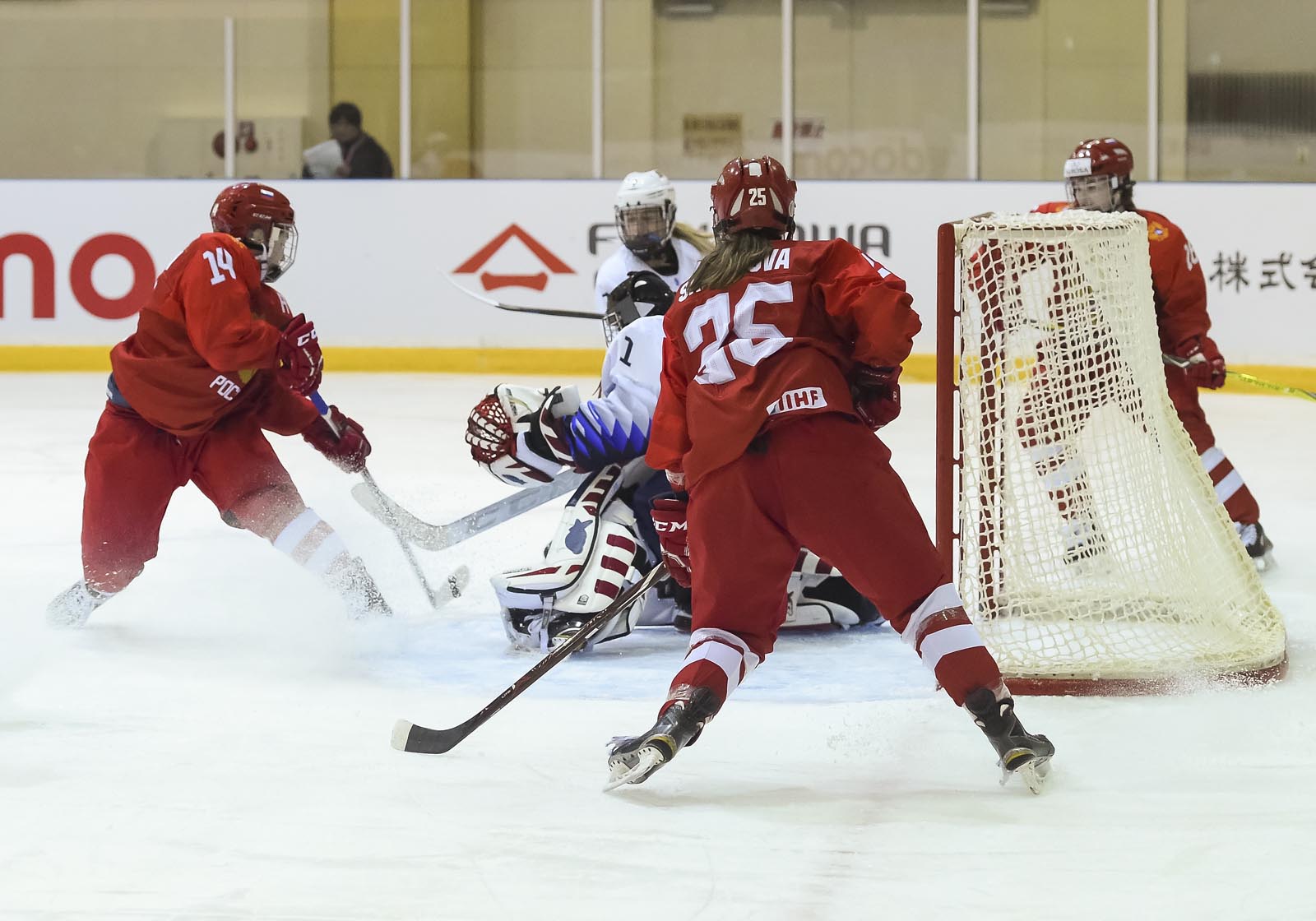 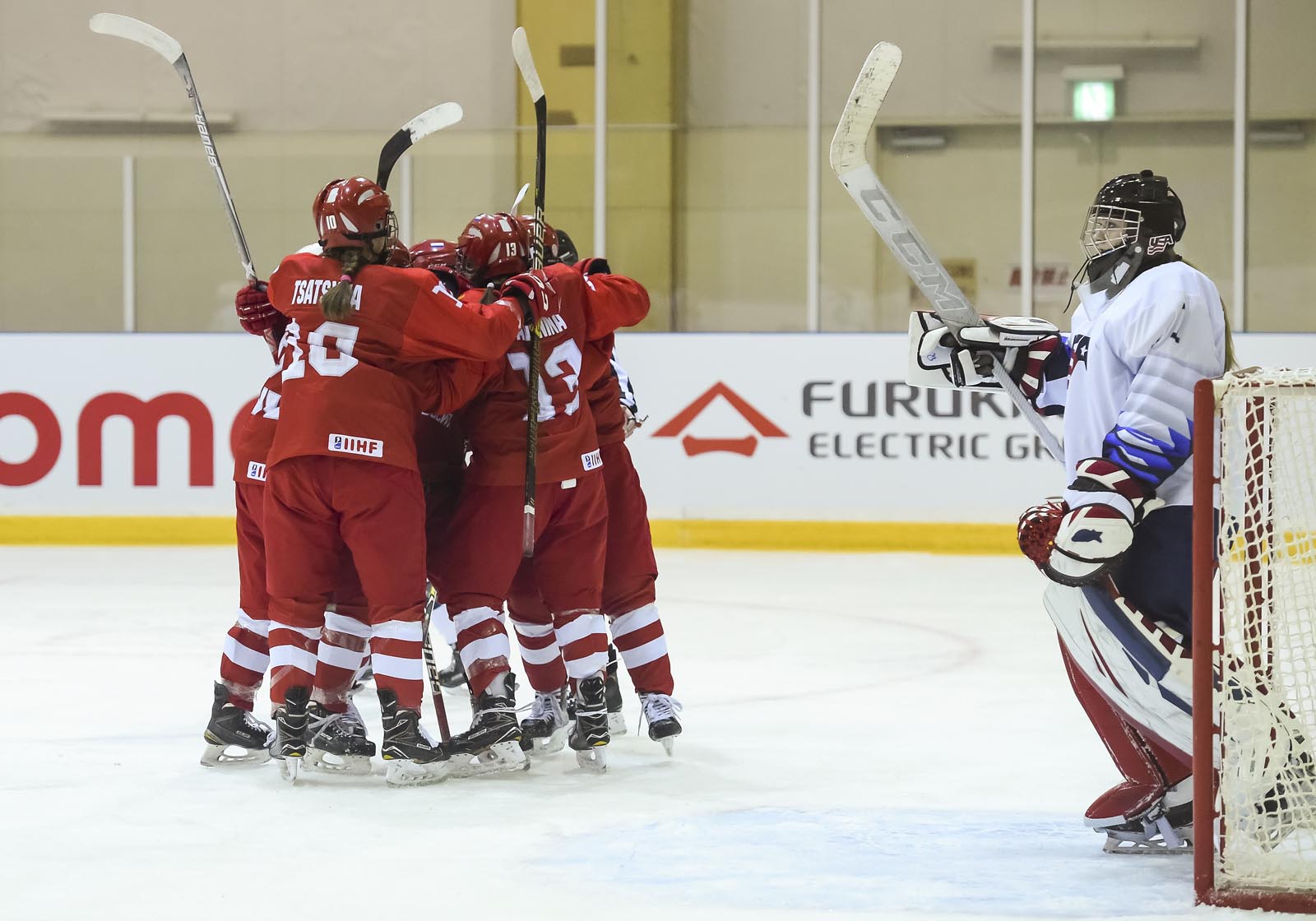 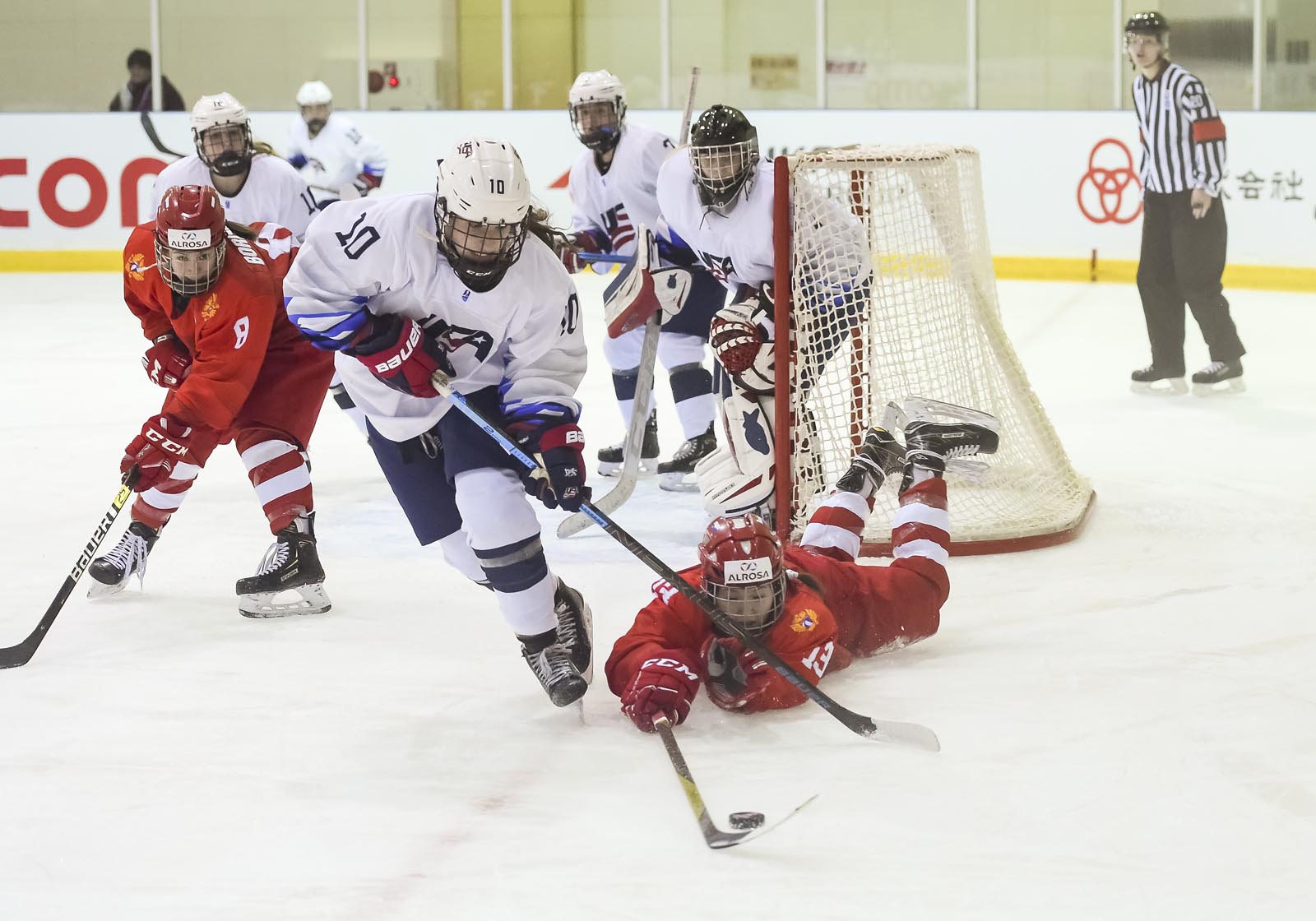 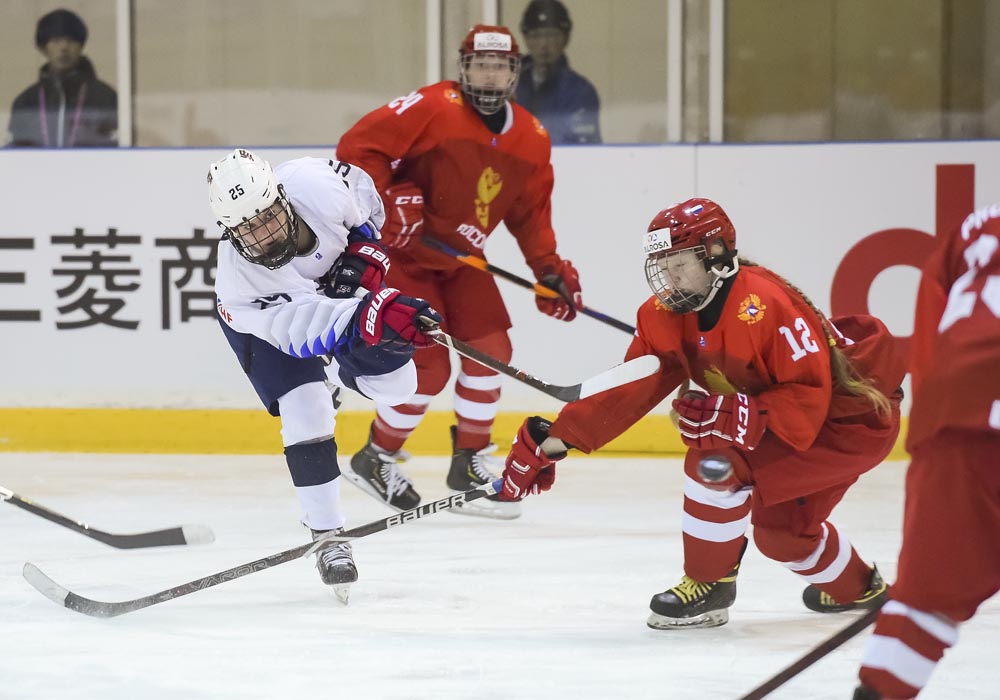 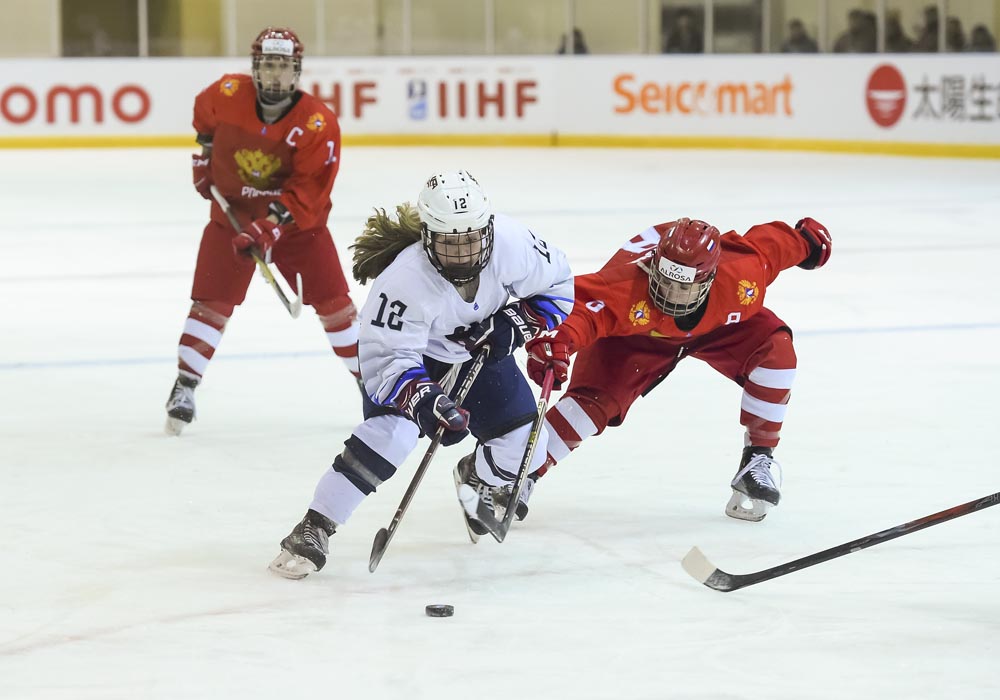 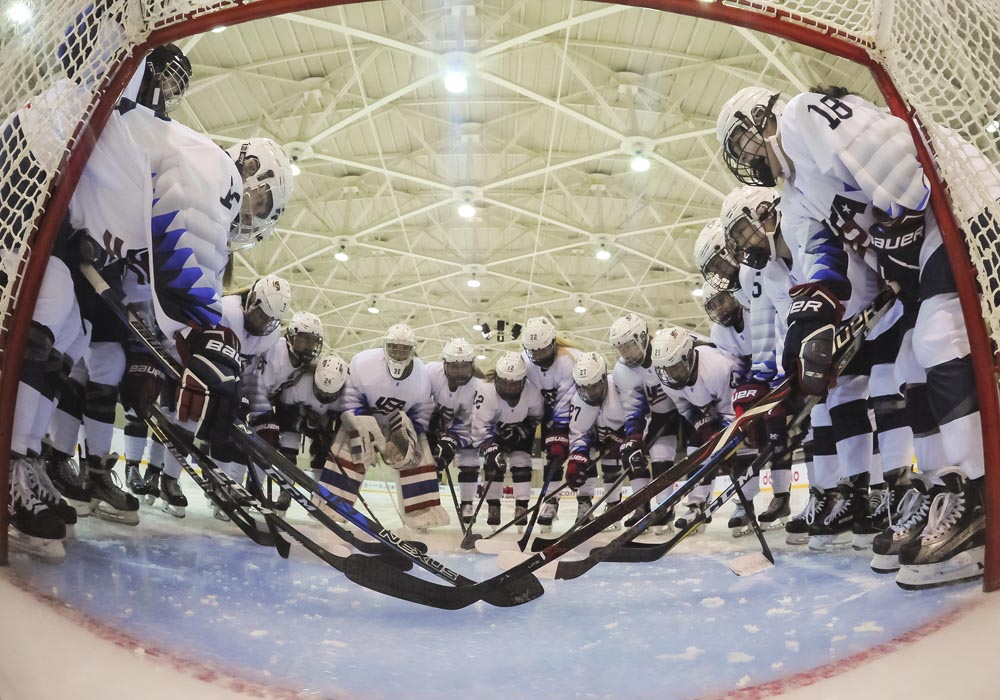 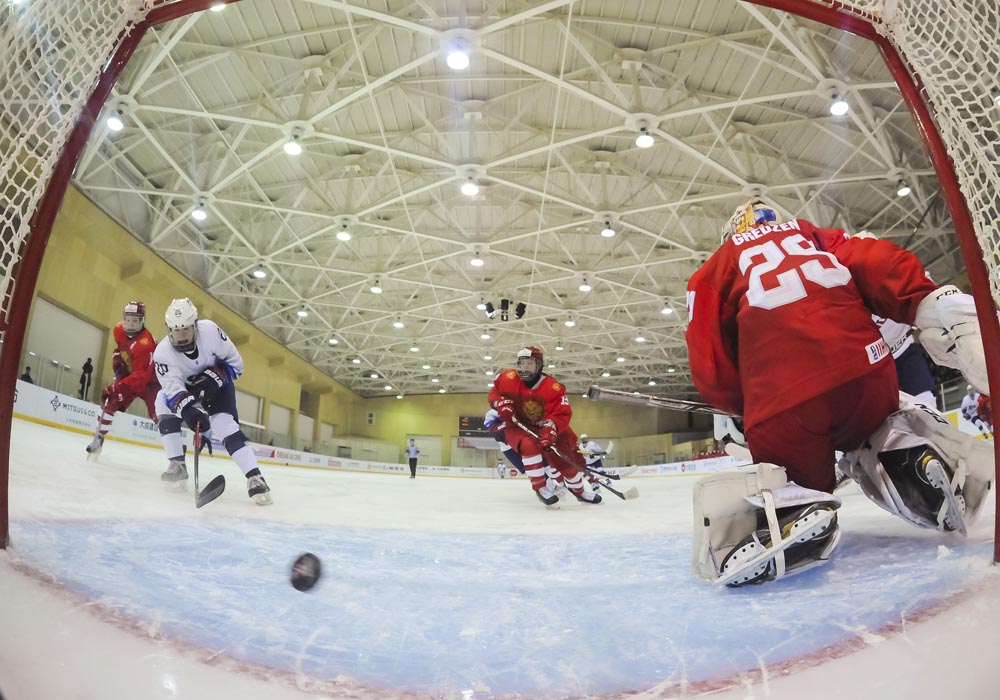 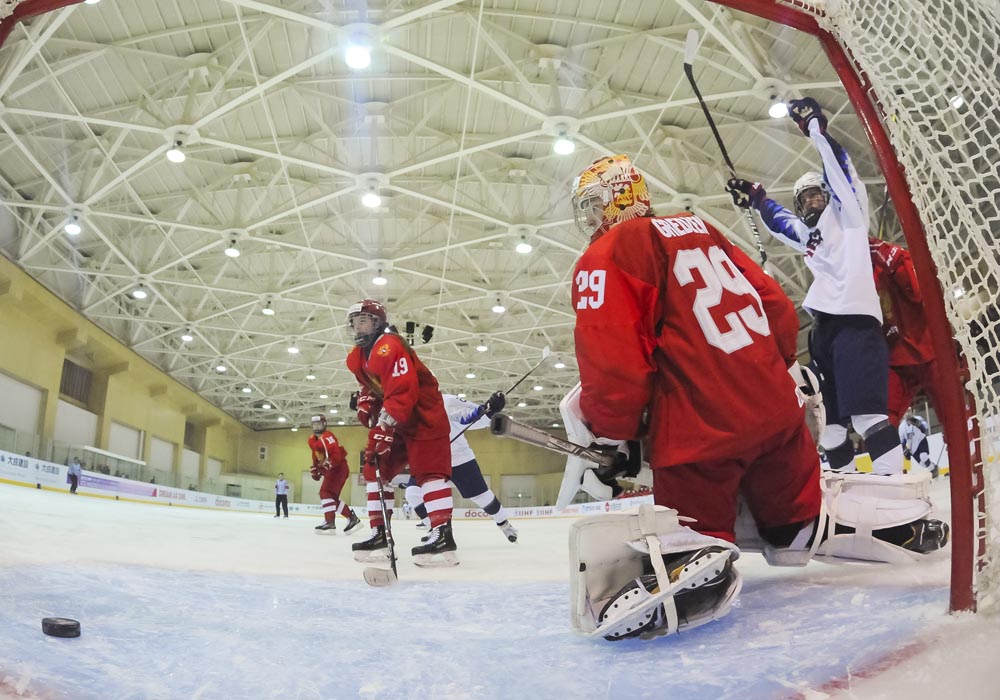