Shkalyova leads Russia
Russia surrendered the lead three times, but in the end persevered.
photo: Steve Kingsman / HHOF-IIHF Images
share
Karina Akhmetova's goal at 16:38 of the third broke a 3-3 tie and gave Russia an important 5-3 win over Sweden in Group A preliminary round action in Obihiro this afternoon.

Three times Russia went ahead, but three times the Swedes tied it, and then came Akhmetova's game winner.

Yelizaveta Shkalyova scored three goals for the winners while captain Josefin Bouveng had a goal and two assists for the Swedes.

"I was happy with how the team played and, of course, with how I played," said Shkalyova. "Last year, Sweden beat us in the semi-finals, so this is a better feeling today."

The win improves Russia’s record to 1-1 while Sweden drops to 0-2. The Swedes will have a tough time automatically qualifying for the semi-finals now while Russia still has a chance.

Both teams have a day off tomorrow, and on Wednesday Russia takes on Canada, which it defeated last year for the first time ever, and the Swedes have an equally tough game against the United States.

"I think we have more condfidence than last year, but we need to have a good start against Canada," Shkalyova said. "We've prepared for this tournament and these games for the last year, so we have to give 100 per cent, 200 per cent, whatever it takes."

The line of Shkalyova-Ilona Markova-Yelena Mezentseva have accounted for five of the team's seven goals in the first two games, and the trio have accumulated 10 scoring points among them.

"I think the three of us play a similar style and we have a good understanding of each other when we're on the ice," Shkalyova explained. "We can all score and pass, so no one does just one thing. That's why we are good together."

Shkalyova’s first goal, at 5:47 of the opening period, was a bit of good fortune. Fighting for space in front of the net, she saw a pass from Mezentseva bank off her skate and in.

Russia dominated the first and easily could have led by more than a goal. Sweden, though, came out with more energy in the second and nearly tied it early on when Elin Svensson’s shot down the right wing rang hard off the post.

Soon after, though, a long, drifting shot from the point by Vendela Olsson fooled Anna Alpatova and went in at 7:34. Thea Johansson had a great chance to put Sweden ahead but Alpatova was there to make a good save.

Shkalyova scored a prettier goal at 10:02. Again it was Mezentseva who took the original shot, and Shkalyova lifted the rebound from in front to give Russia another lead.

But Sweden struck early in the third. A point shot from Bouveng was nicely tipped in front by Lina Ljungblom at 0:34, and the game was tied.

The Russians were relenless, though. They drew a penalty, but on the delayed penalty with Alpatova on the bench, they went ahead. And again, it was Shkalyova lifting a rebound in from close range, restoring their lead for a third time.

This time, however, it was the persistent Swedes who came right back and tied the score. Bouveng's harmless-looking shot snuck between the pads of Alpatova at 11:02 to make it a 3-3 game.

Akhmetova's goal was followed by a final score by Vita Ponyatovskaya with less than two minutes to play.
Sweden vs. Russia (2019 IIHF WW18) 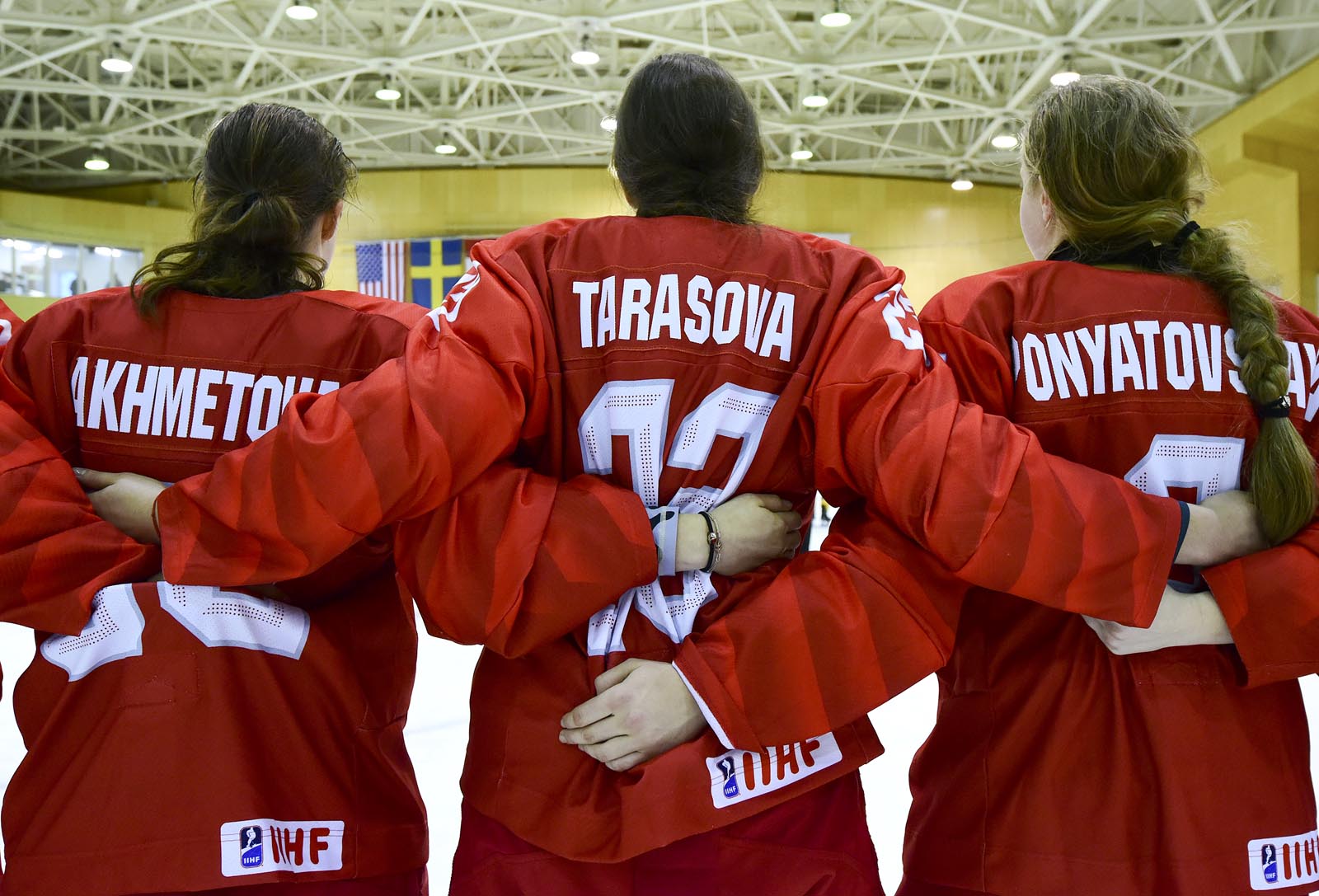 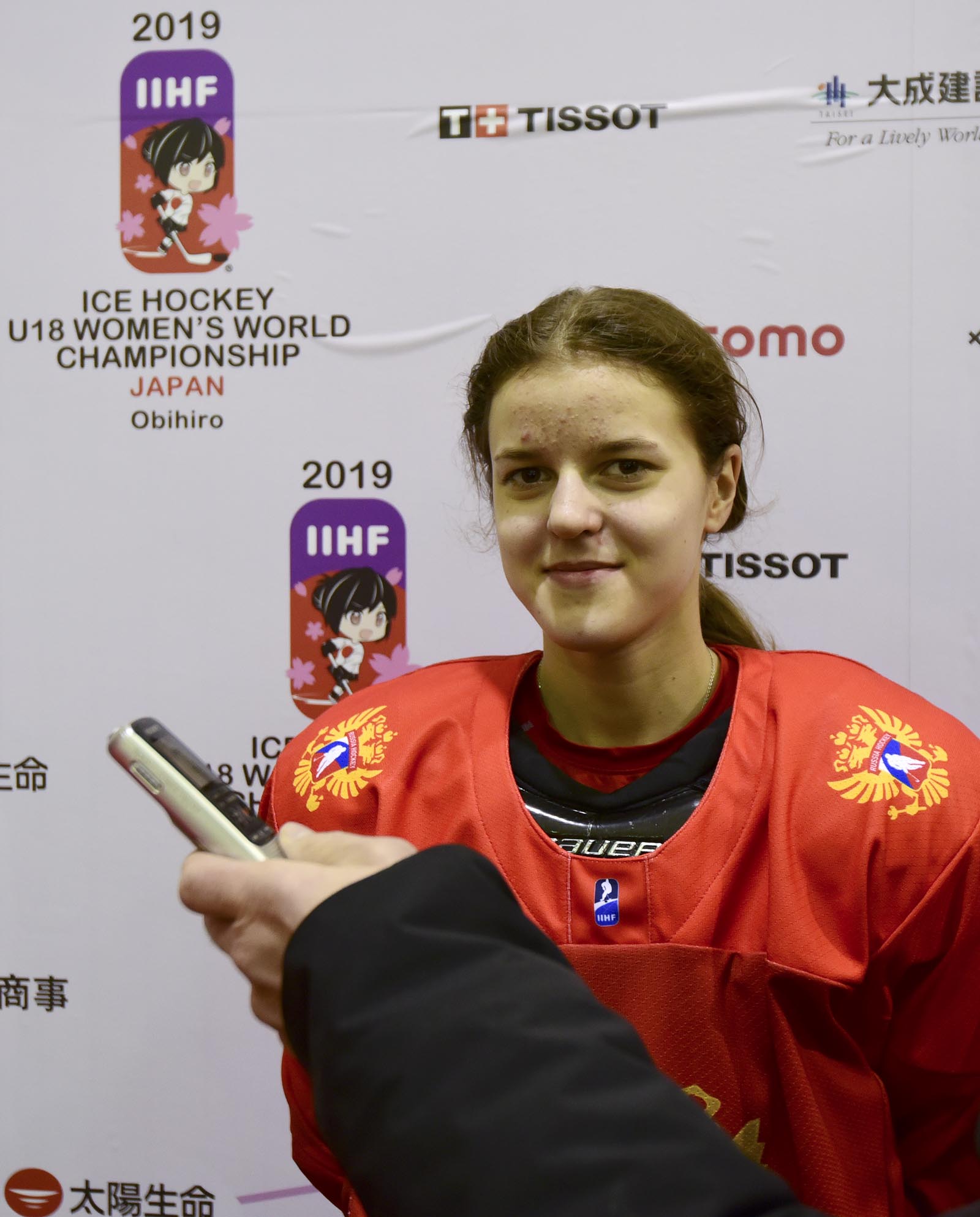 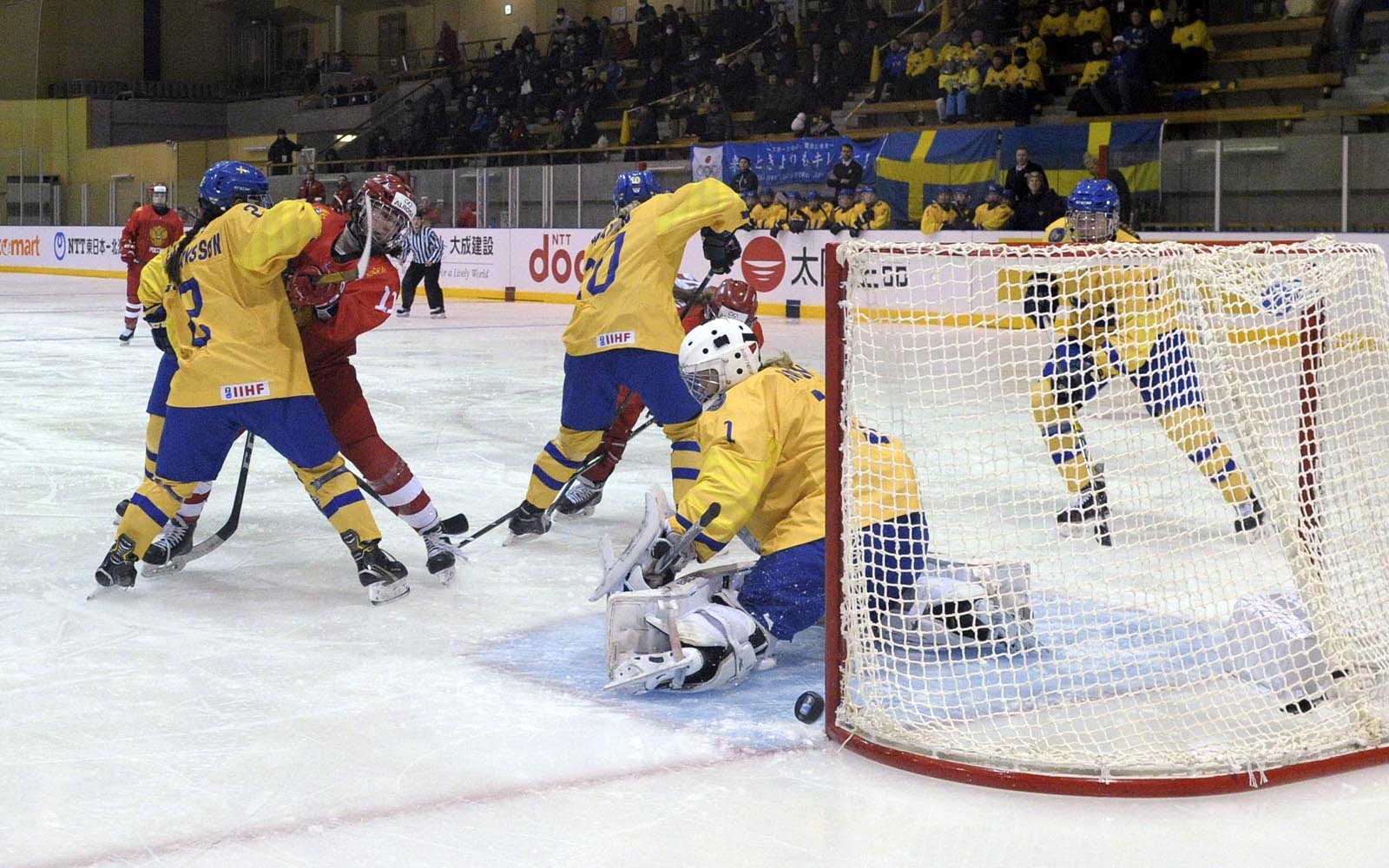 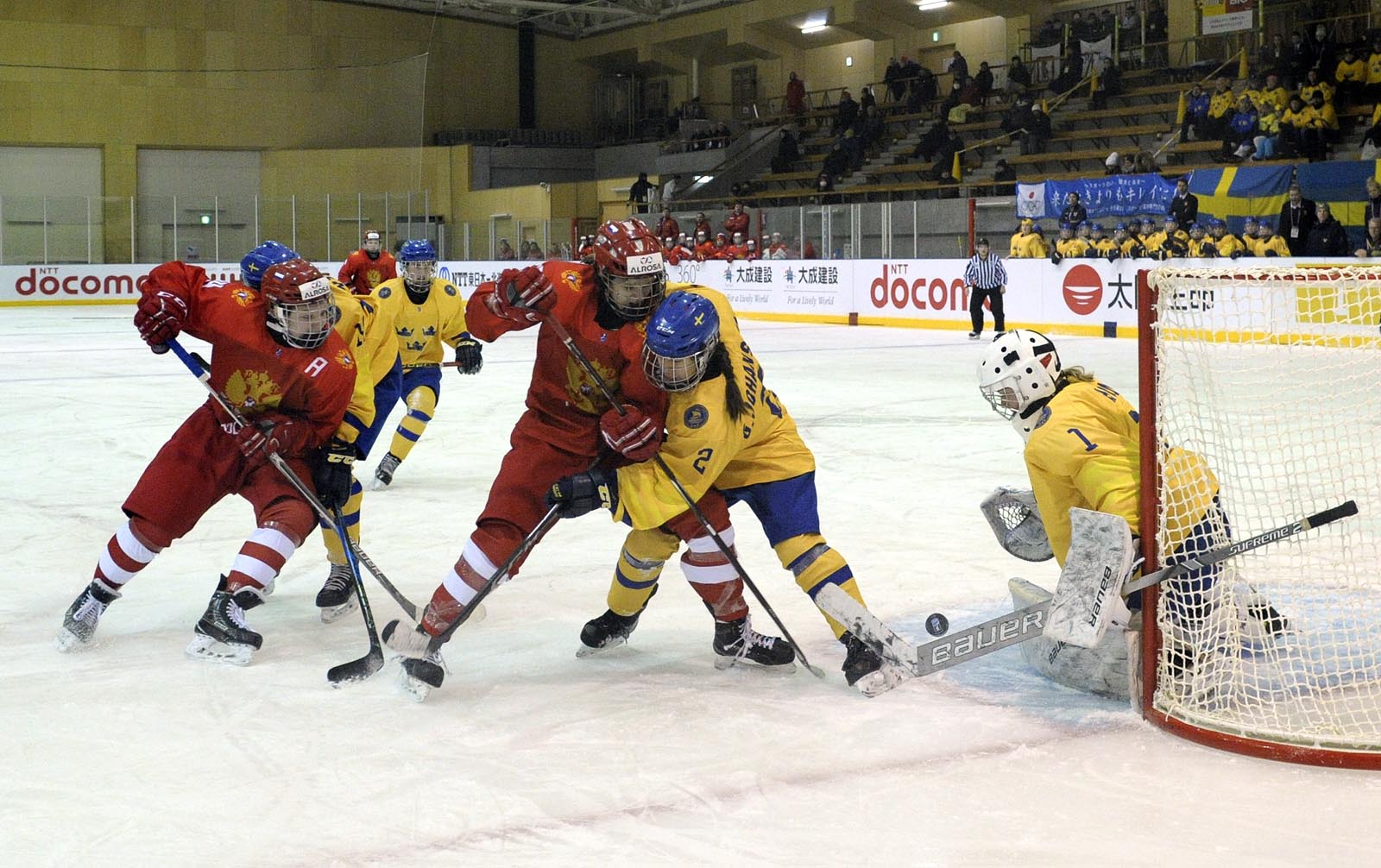 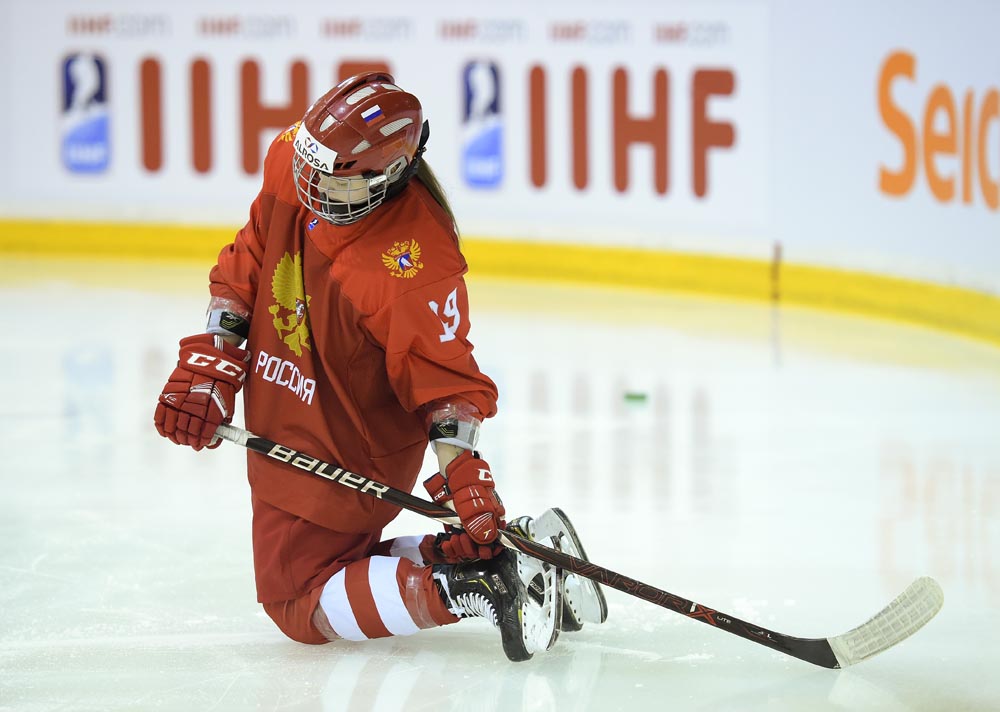 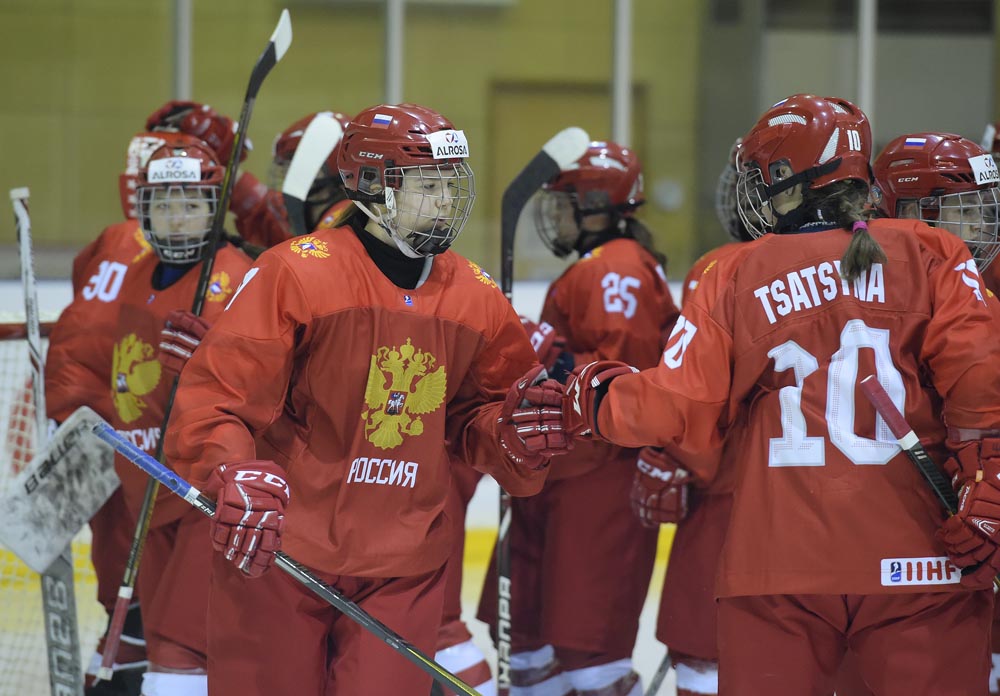 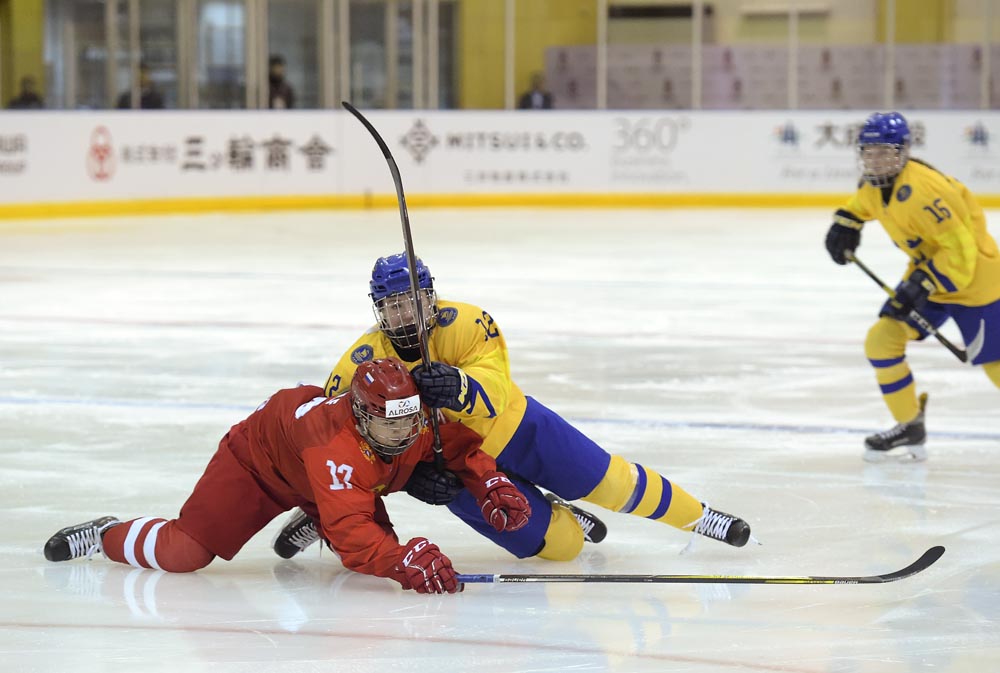 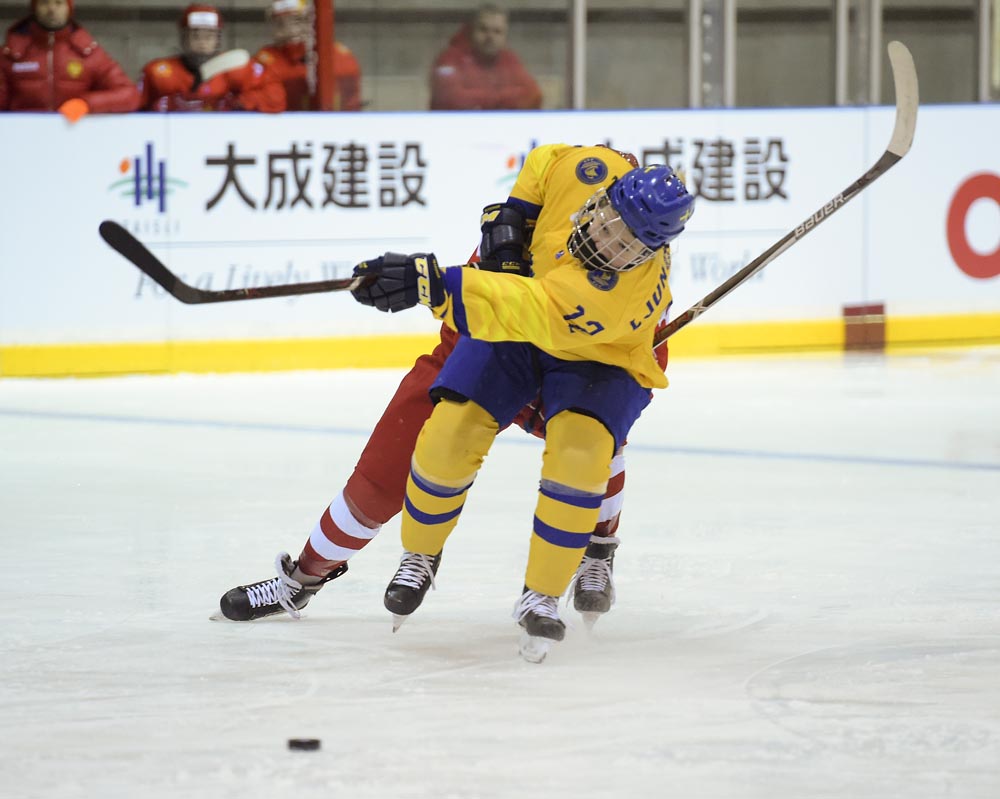 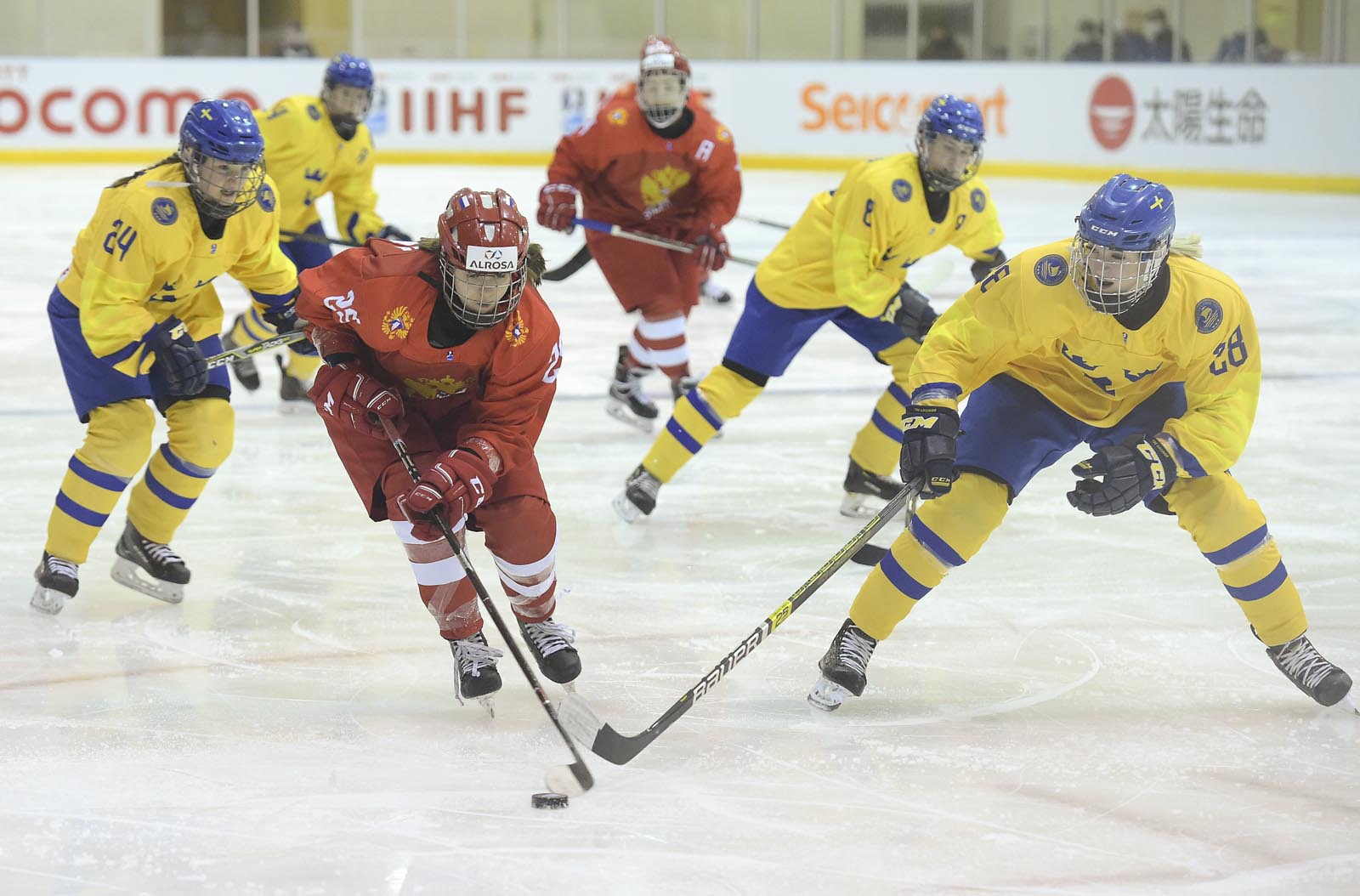 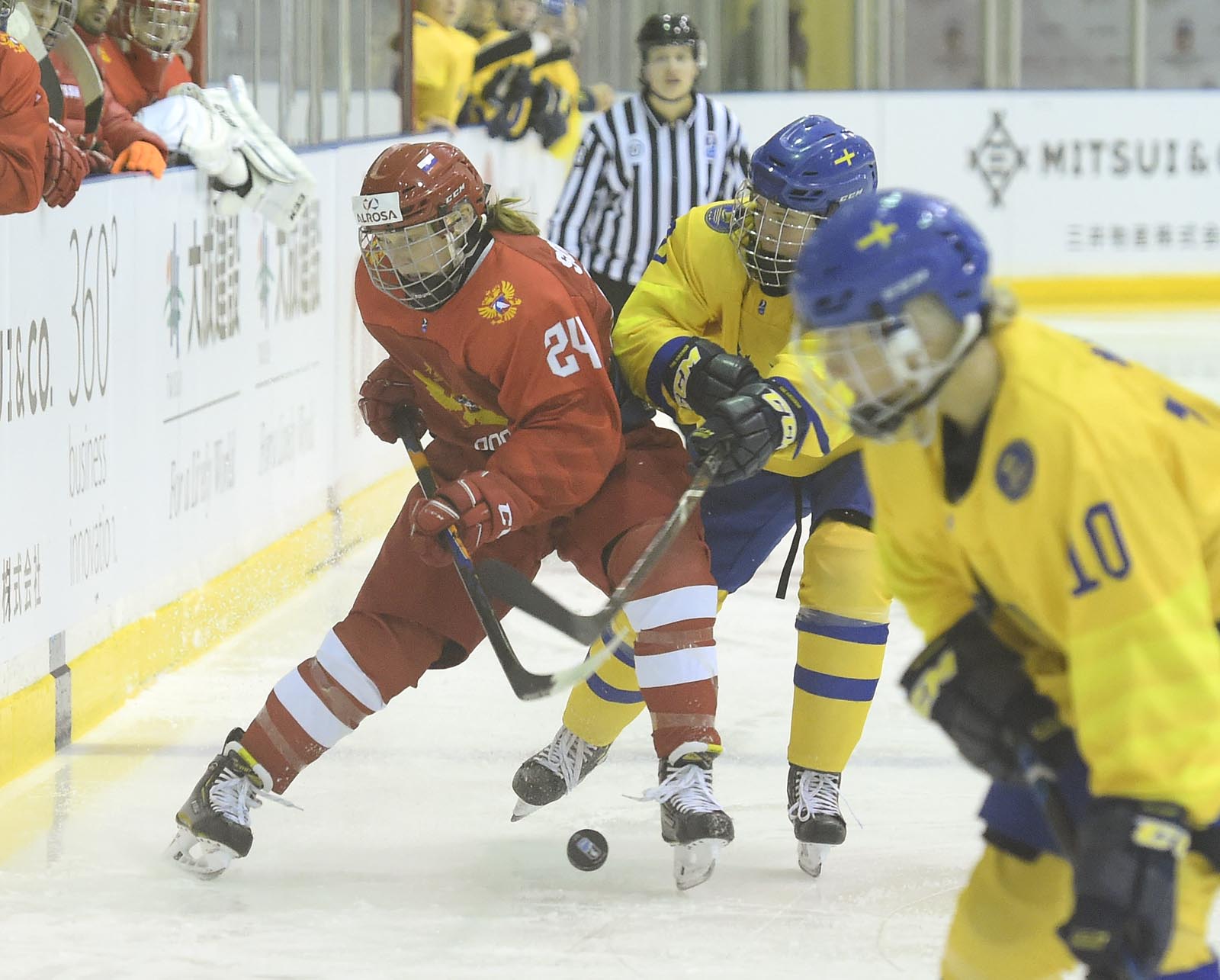 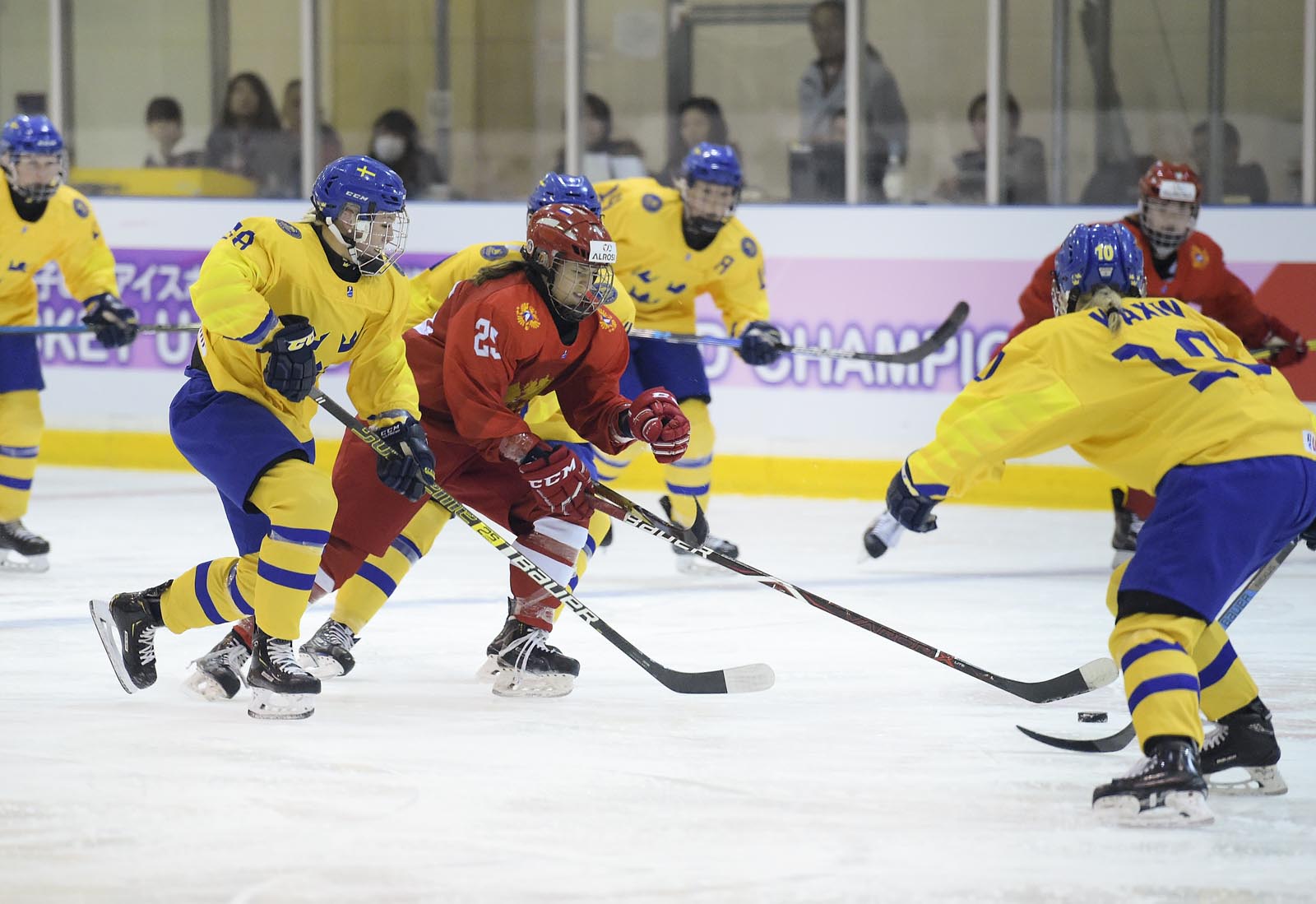 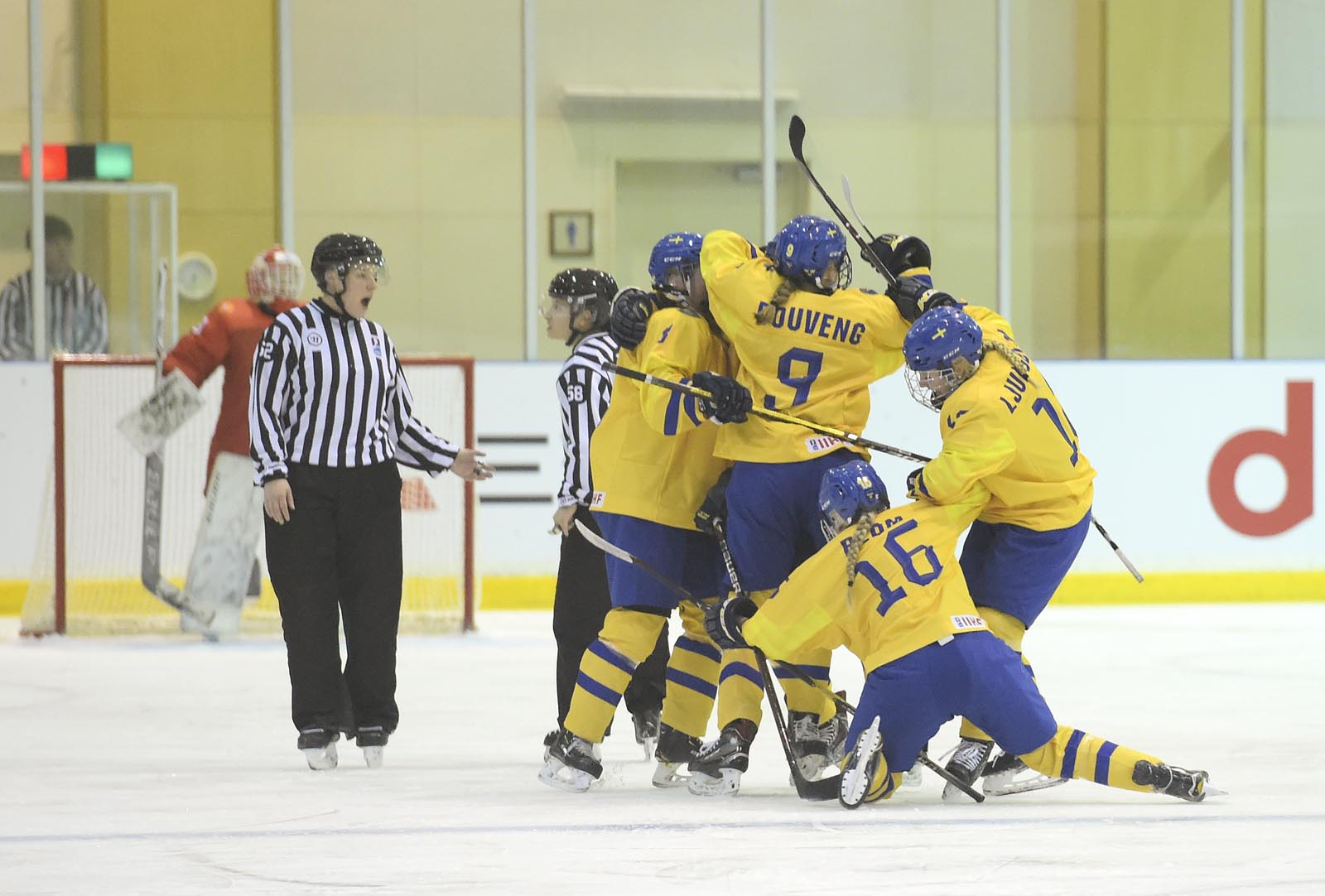 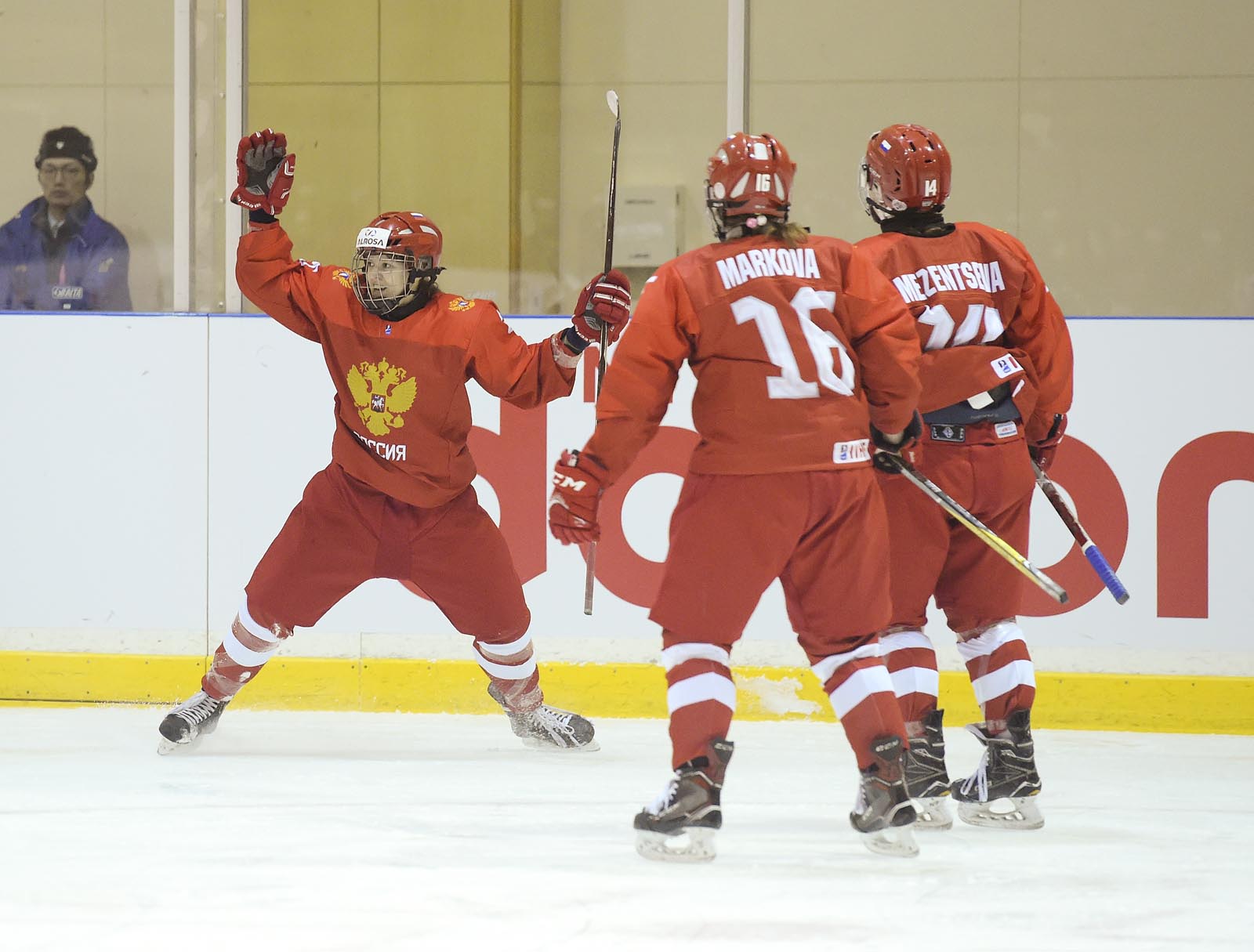 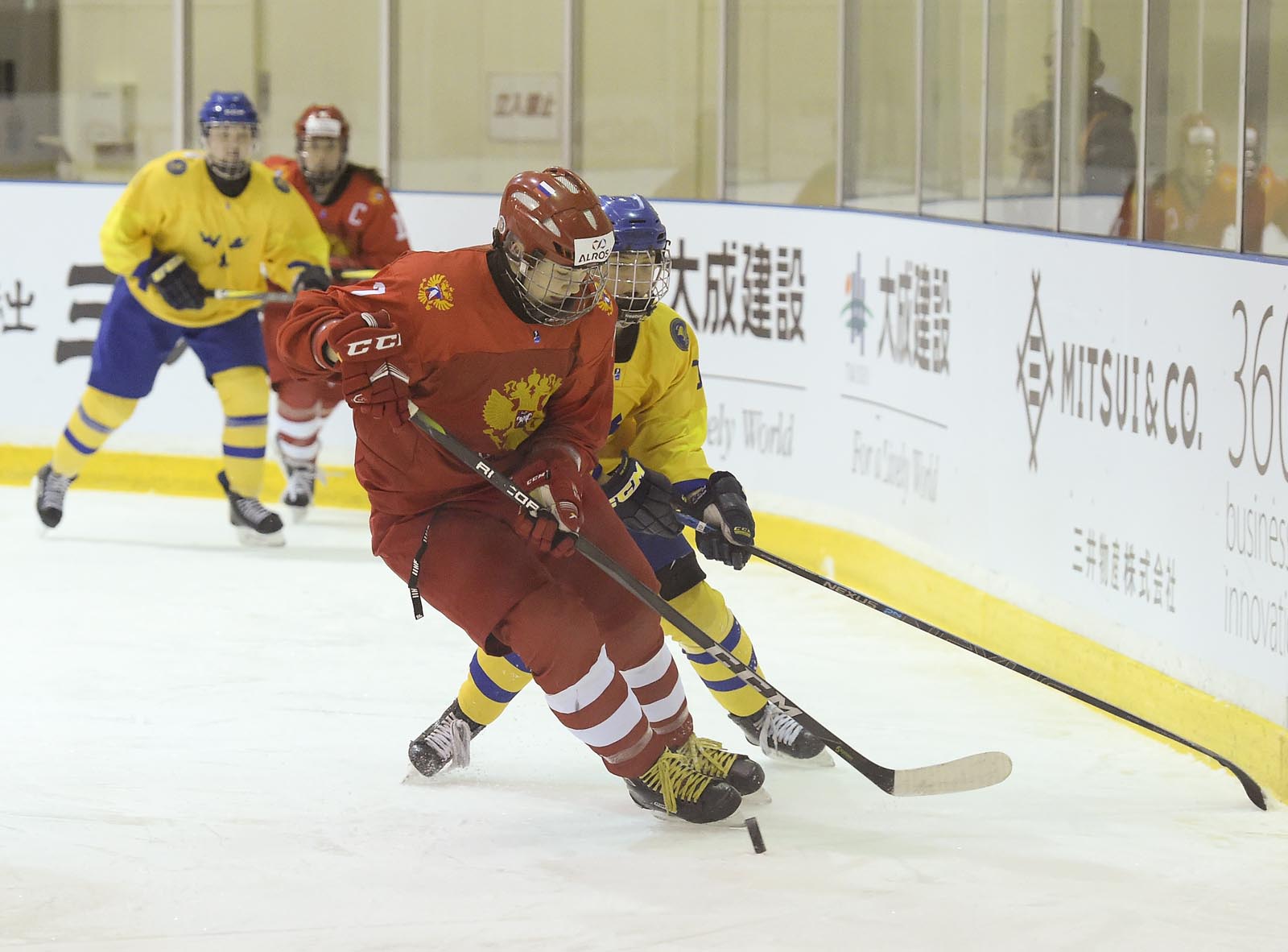 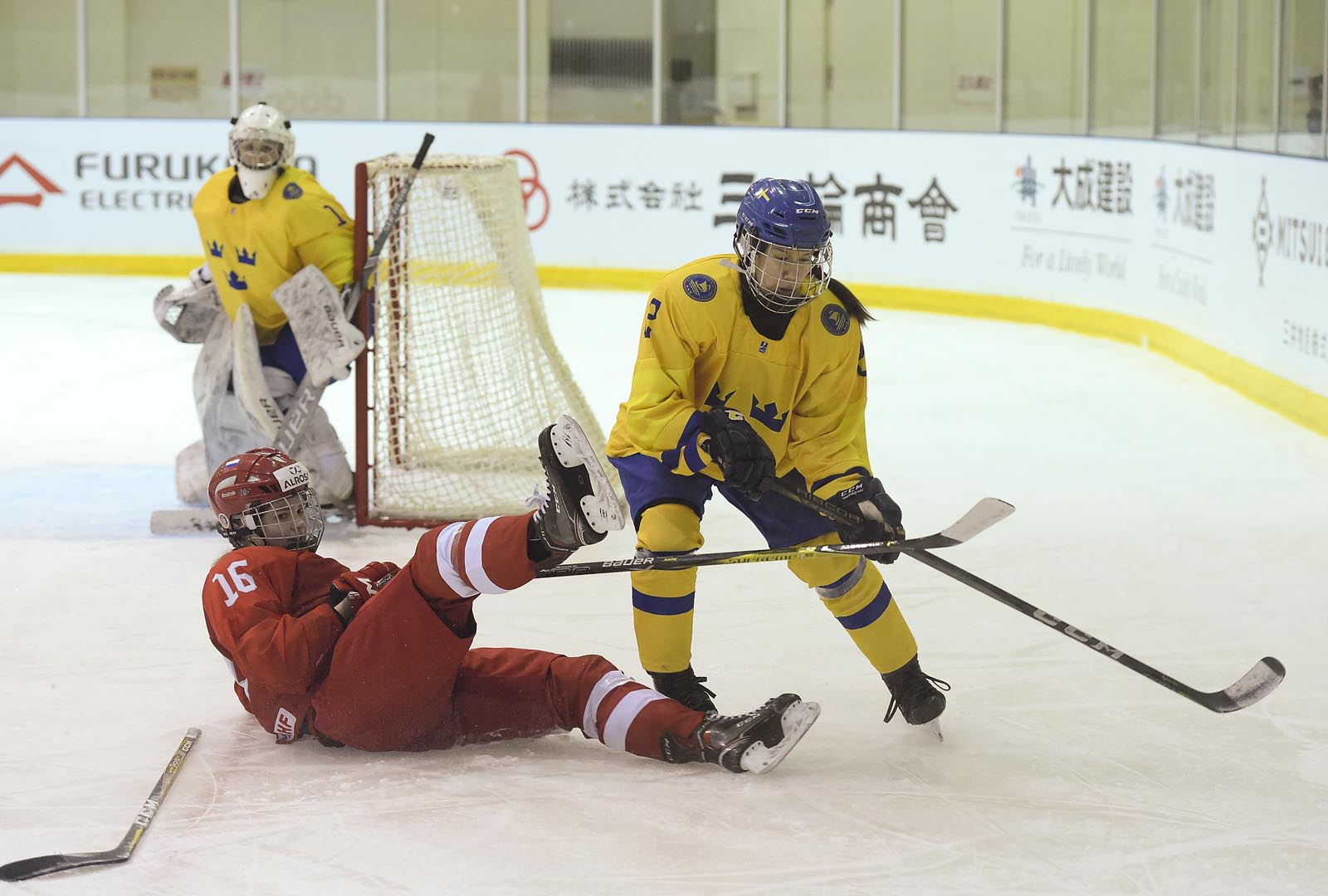 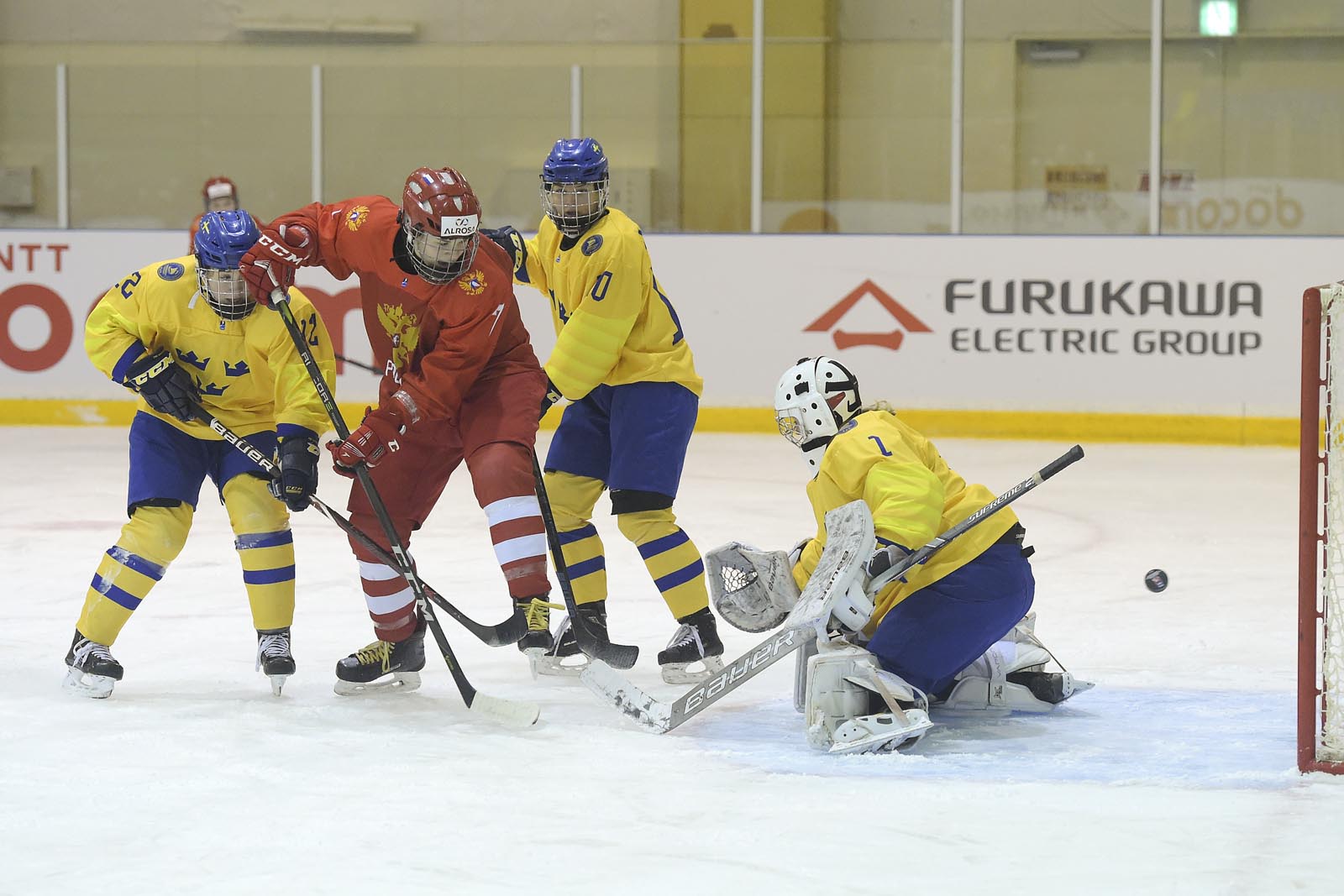 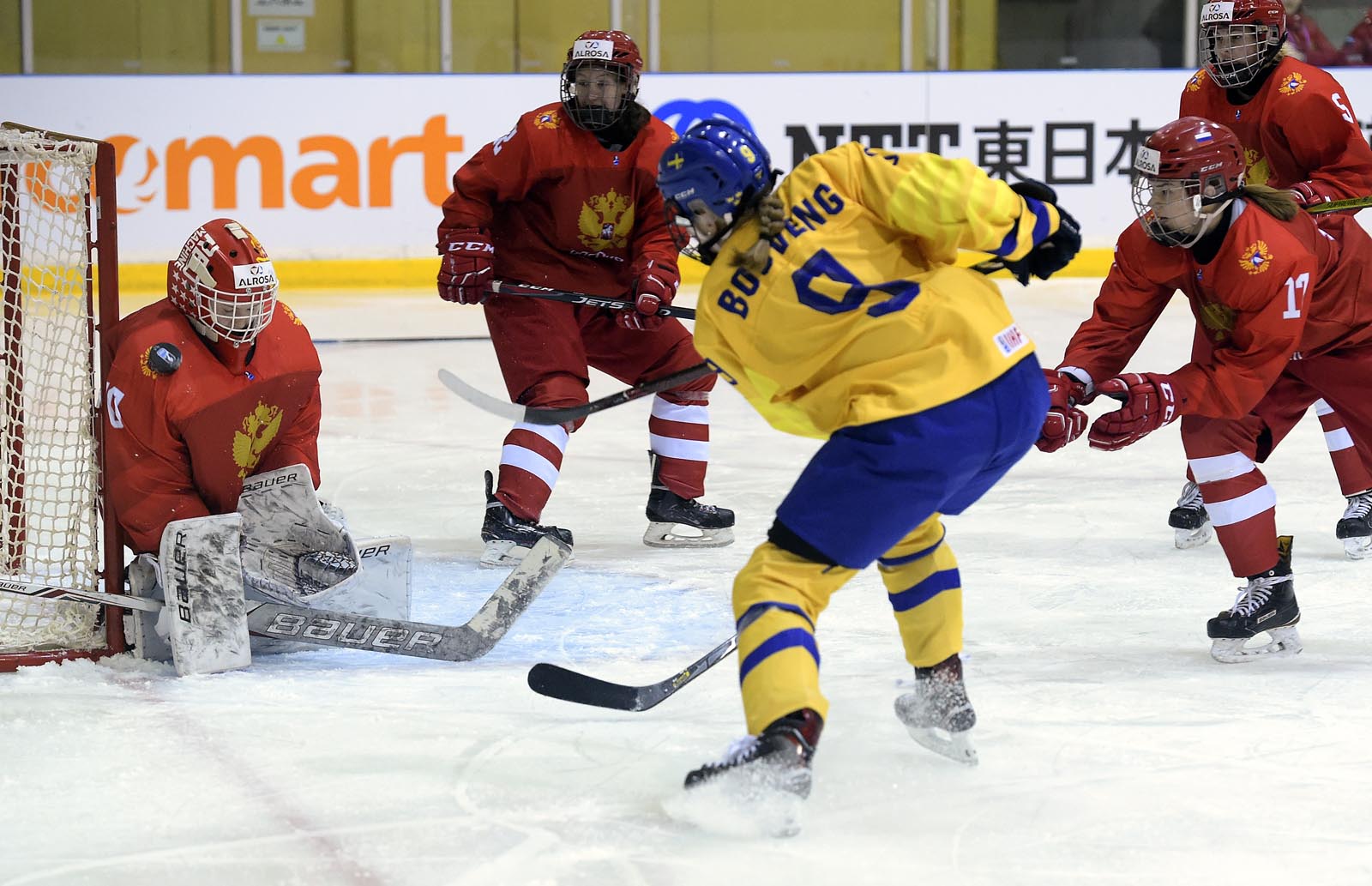 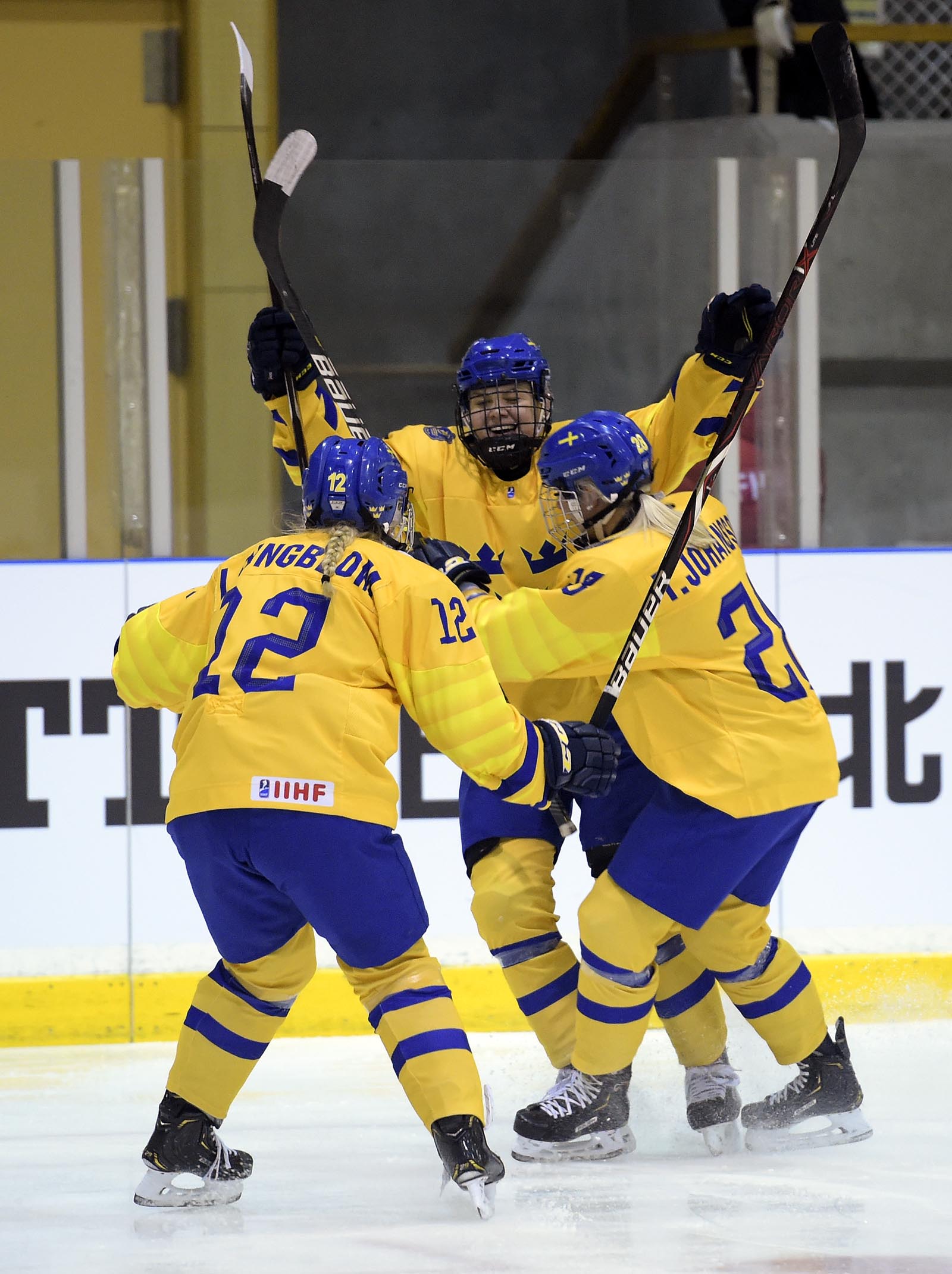 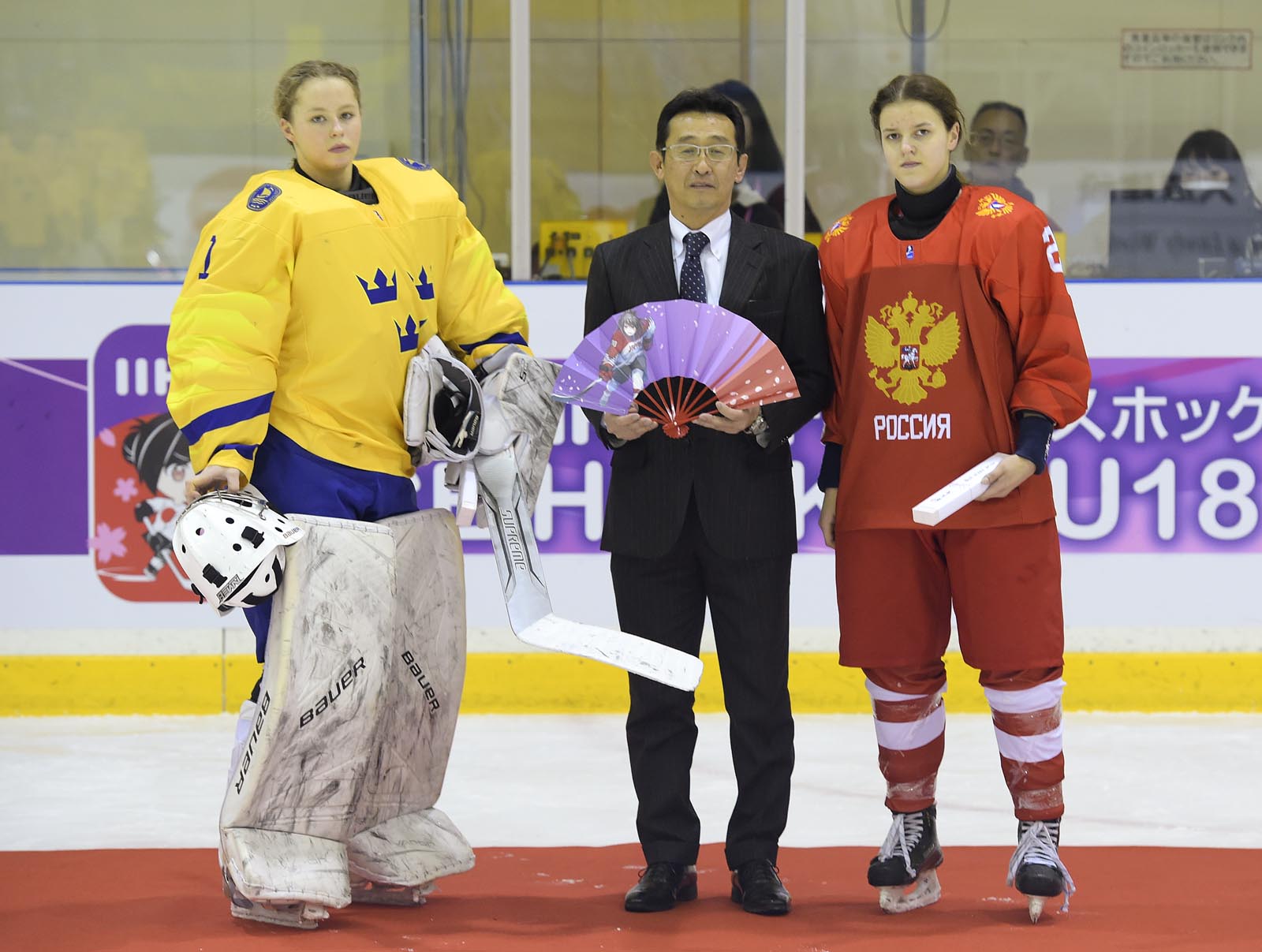 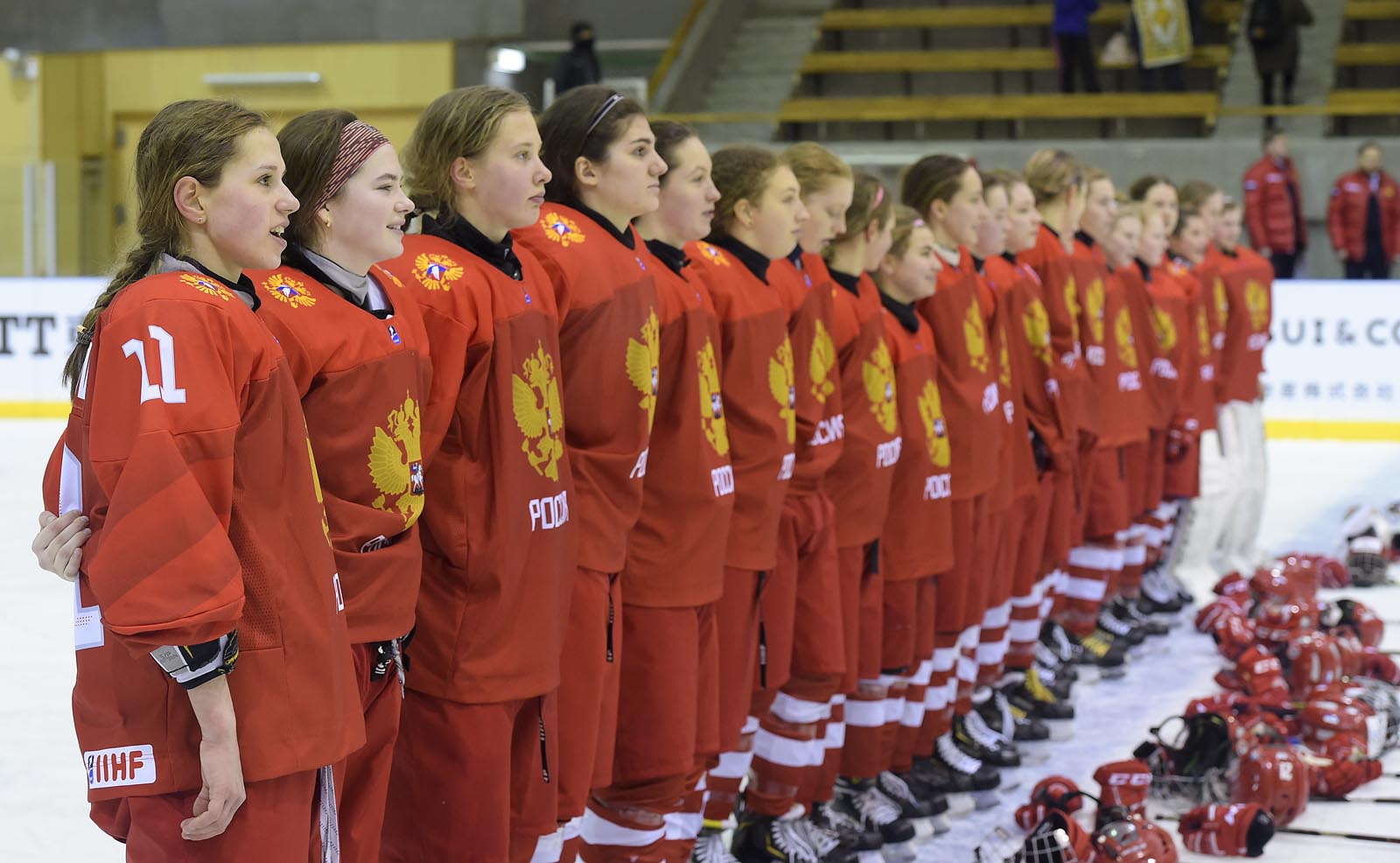 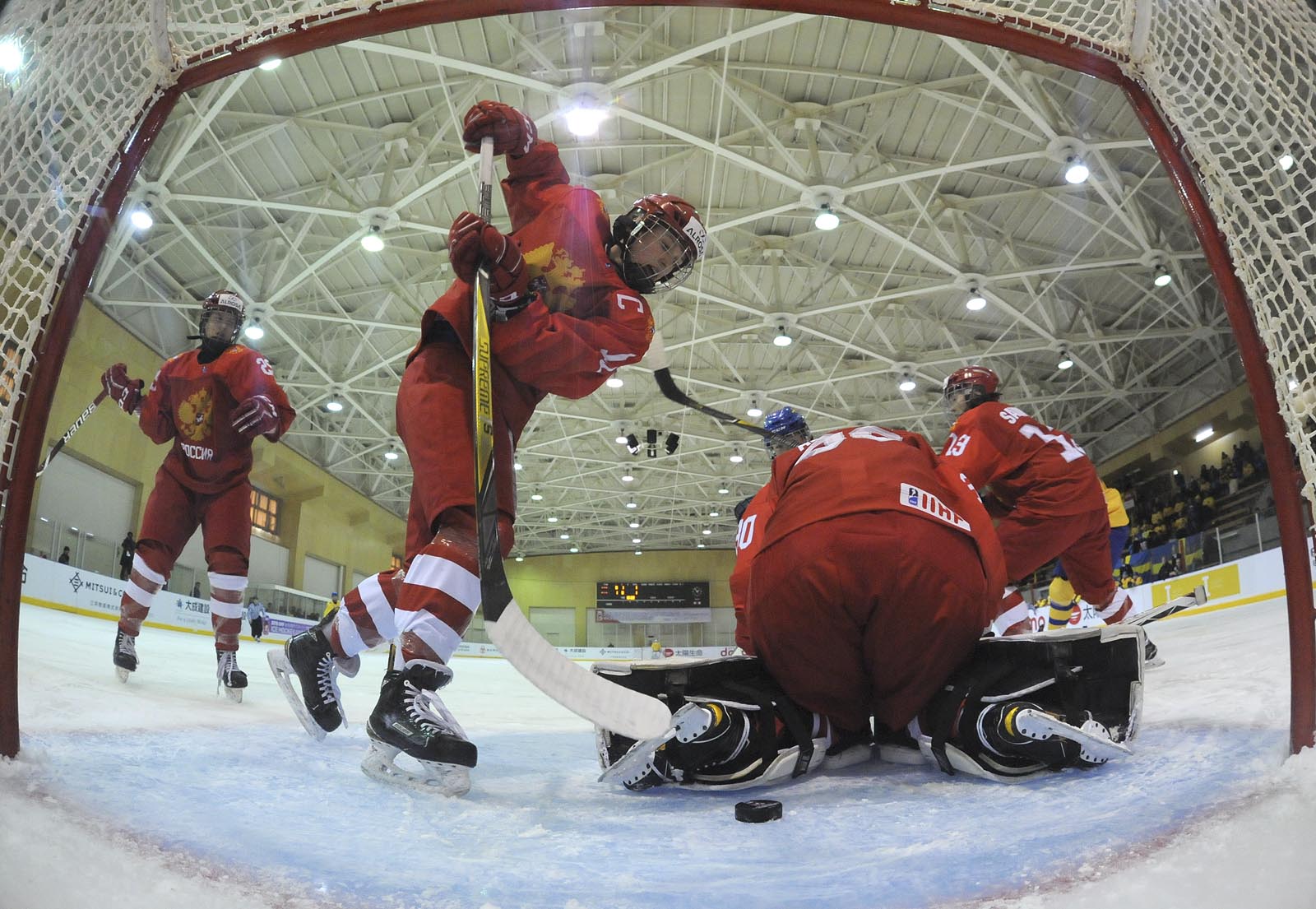 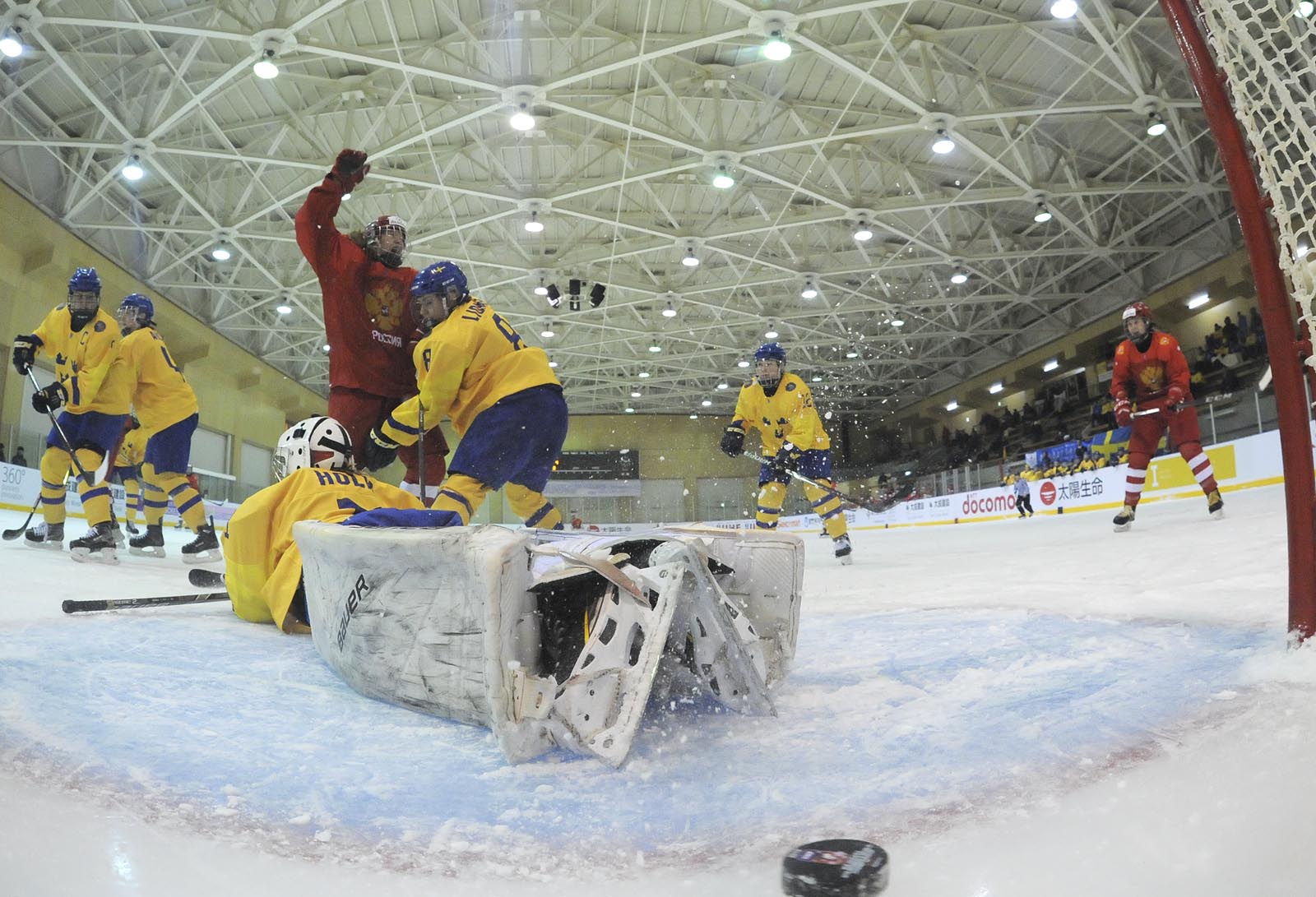 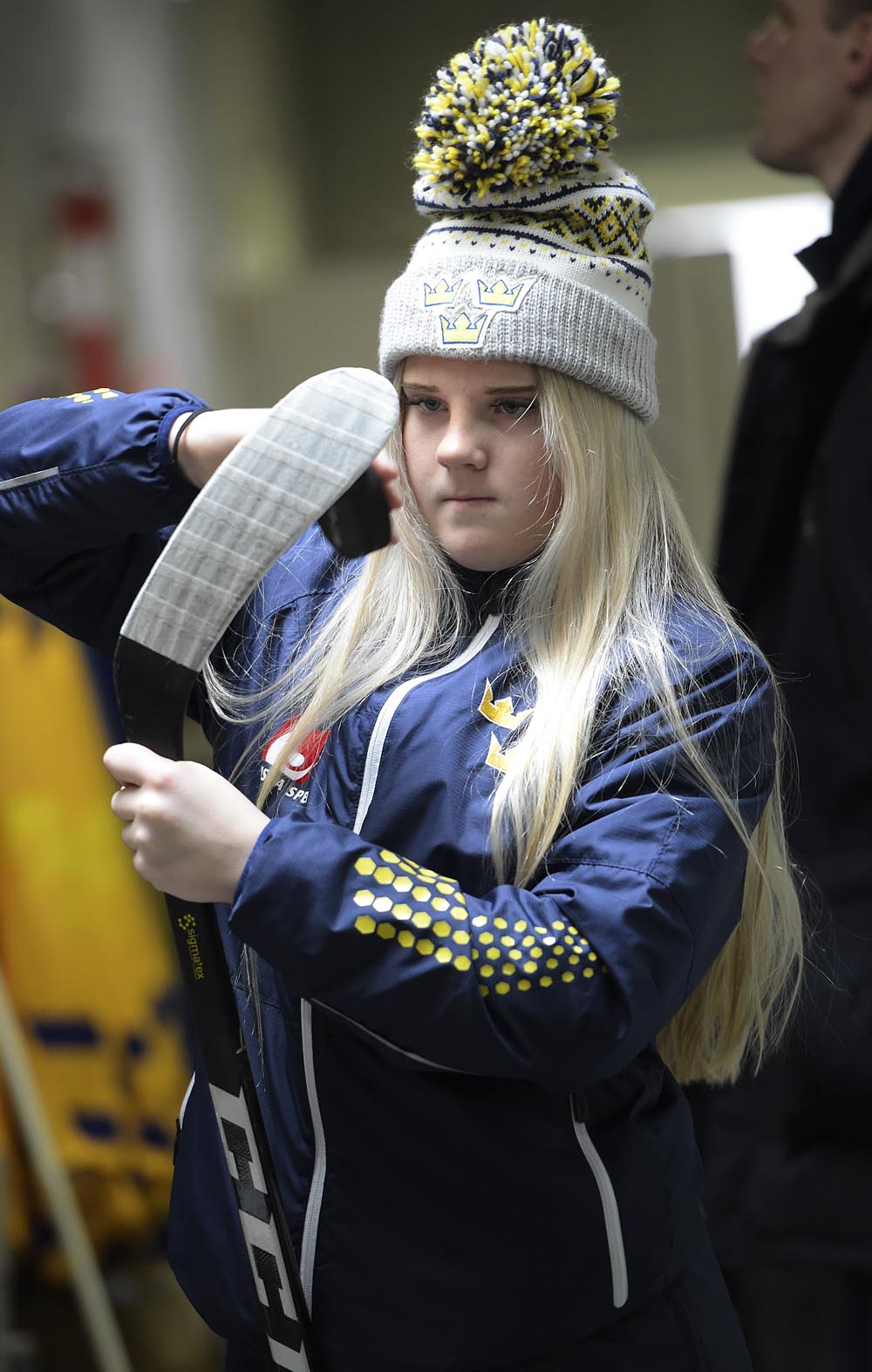