Russia wins in a shootout
Russia's Maria Pushkar scores a sensational, Peter Forsberg-like goal to tie the shootout, later won by Russia in the 10th round.
photo: Steve Kingsman / HHOF-IIHF Images
share
Yelena Provorova scored the decisive goal in the 10th round of the shootout to give Russia a 2-1 win over Switzerland in the second quarter-finals of the day.

The win gives Russia a place in the semi-finals against Canada on Saturday. The Swiss now play Sweden for fifth place earlier that day.

Teams each scored a goal during the first five-shot phase of the shootout, and five more rounds were needed to decide a winner. Provorova made a nice move on Saskia Maurer and slid the puck between the goalie's pads.

"I decided what I was going to do when I was on the bench," Provorova admitted. "I felt confident going in on the goalie."

"Overall, though, we didn't play as well as we could have. We weren't shooting with confidence," Provorova continued. The Russians outshot Switzerland 30-18 but chances were about the same. Both Maurer and her counterpart, Daria Gredzen, played well.

Kristi Shashkina opened the scoring with a power-play goal at 10:17 of the first period. She wired a hard shot over Maurer's glove.

For most of the game it looked like that goal would stand as the winner, but the Swiss tied the game on the power play at 16:08 of the third. Lara Christen's point shot went over Greden's glove, and the Swiss fans went crazy.

"I never saw the puck," Gredzen said. "There were players in front of me, and I didn't know where it was."

Tonight's game was kept close only because of the goaltending of Maurer in the Swiss goal. She made many fine saves as the Russians were clearly the more skilled team. They couldn't beat Maurer, or they misfired too often, but no matter. They're through.

The Swiss had trouble penetrating the Russian end or controlling the puck in the offensive end for any length of time. The Russians  were more aggressive without the puck, taking time away from the Swiss players at every opportunity and forcing poor passes or turnovers. The tactic worked, and the Russians skated with greater effect. 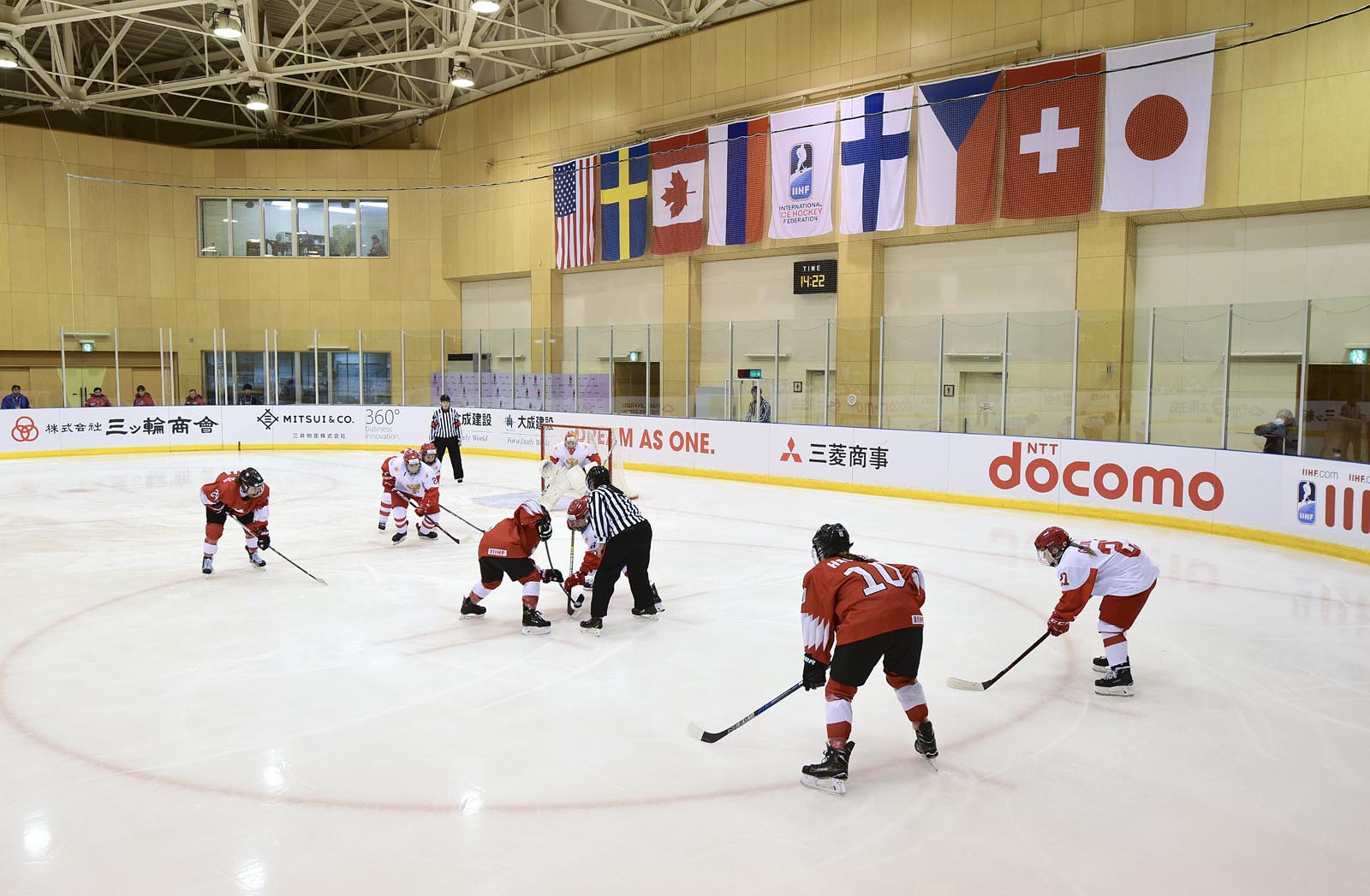 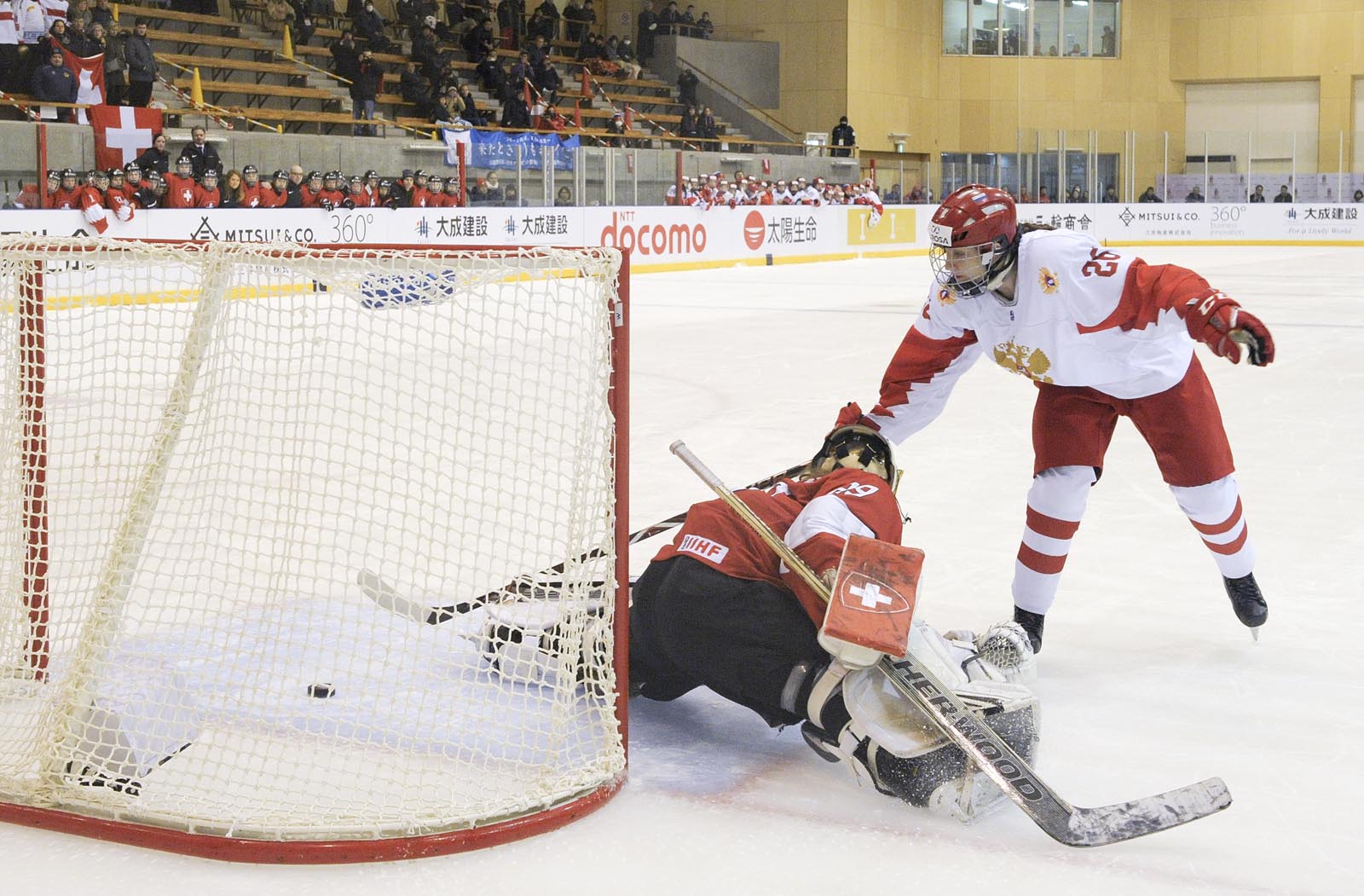 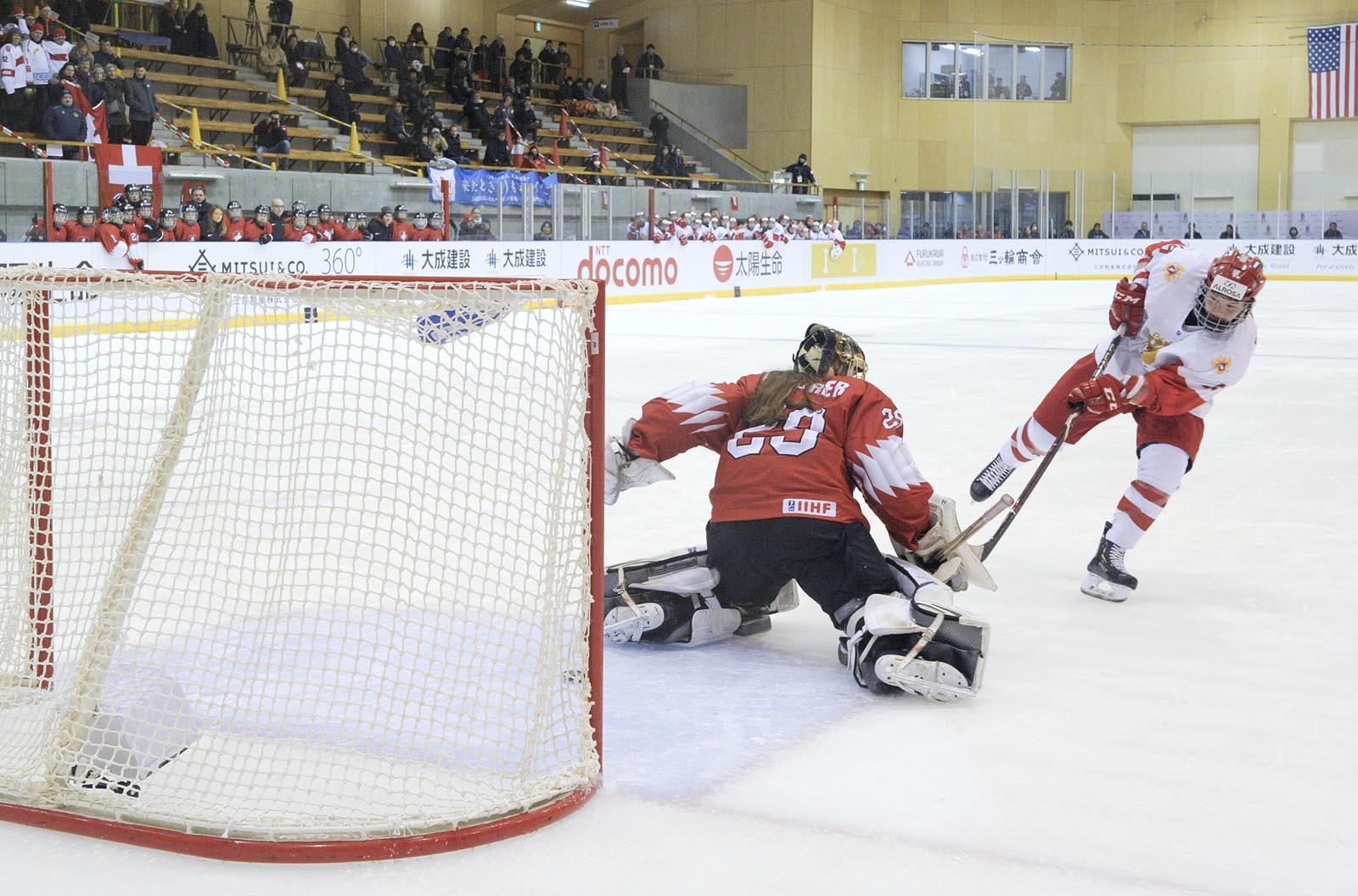 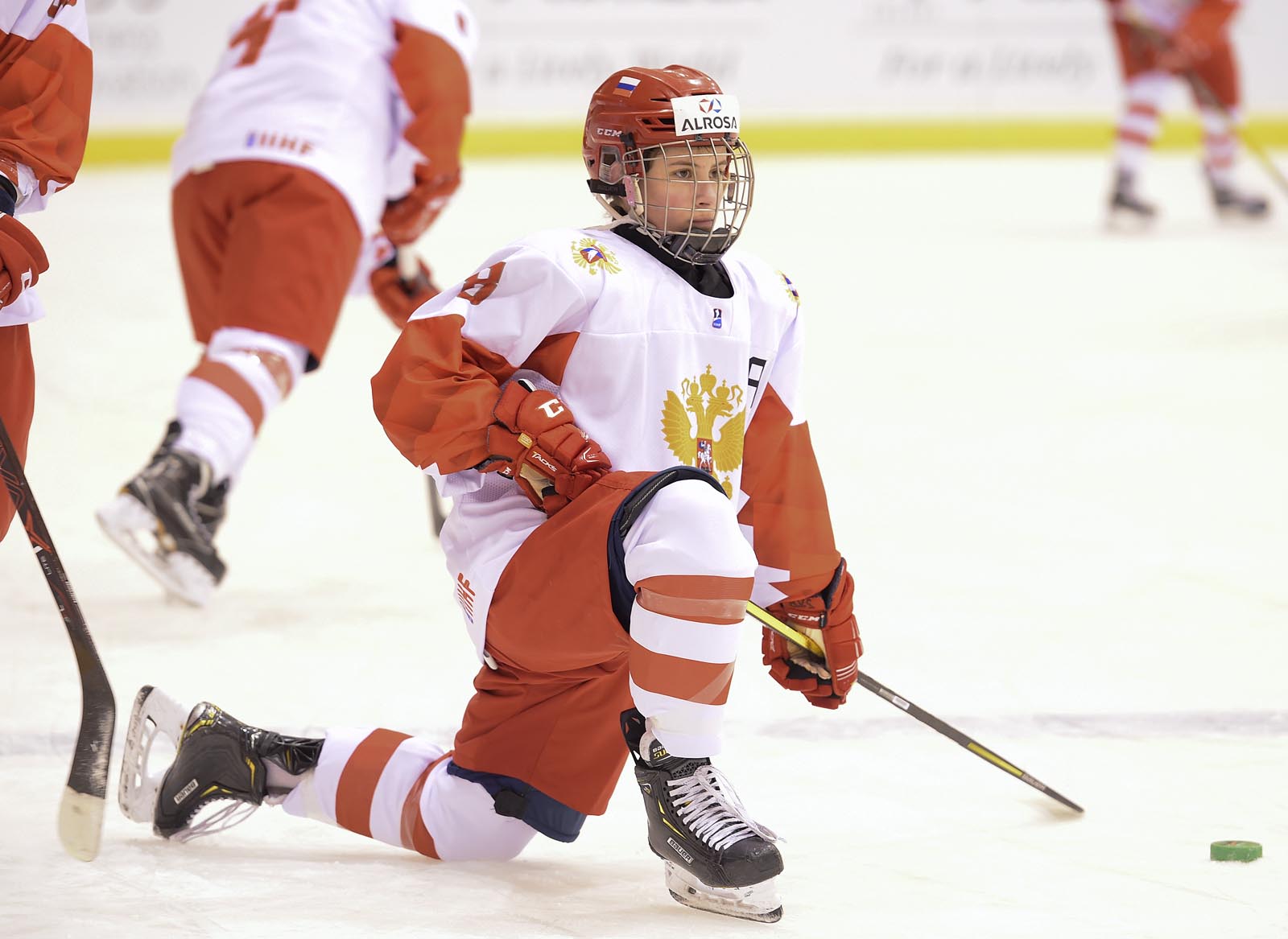 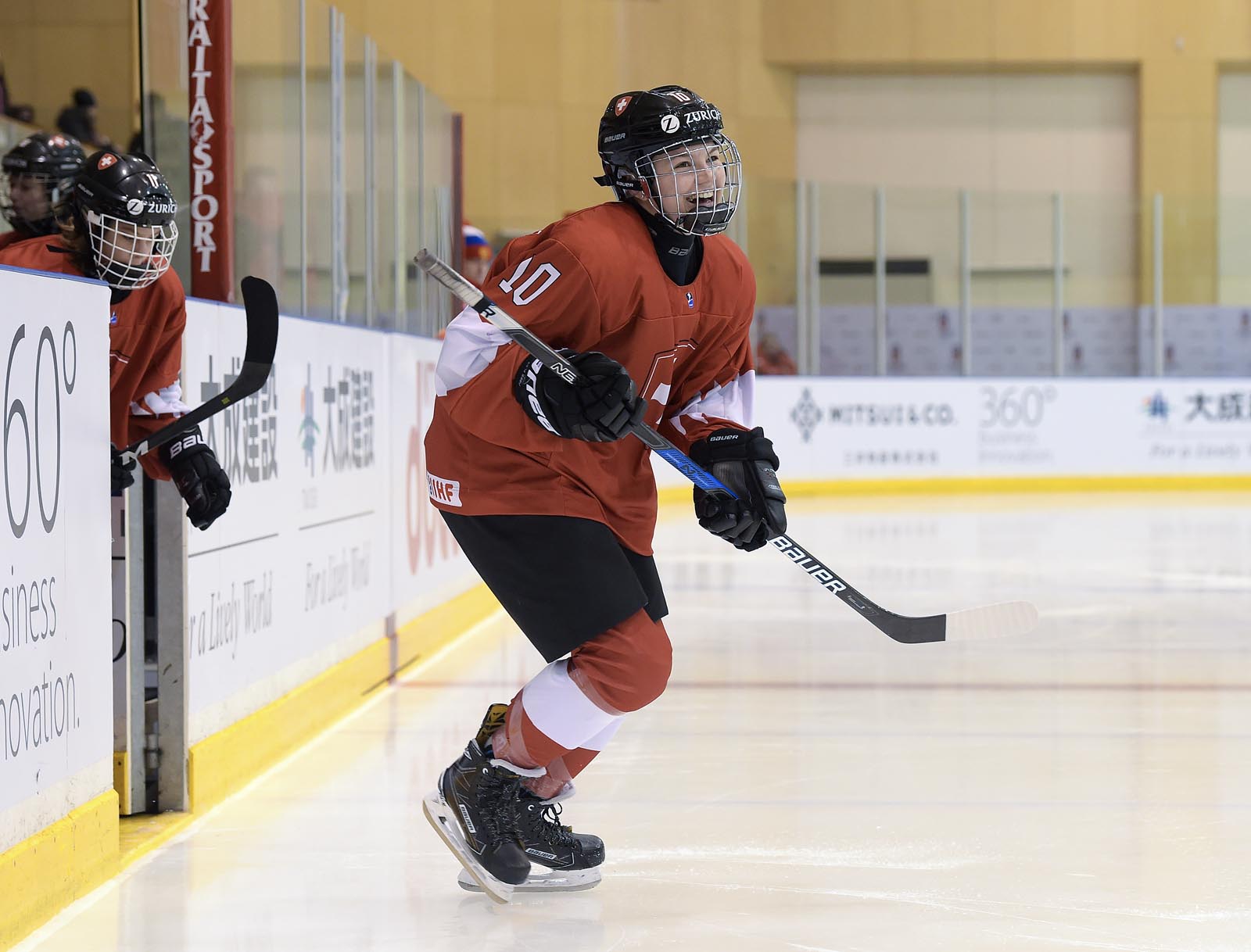 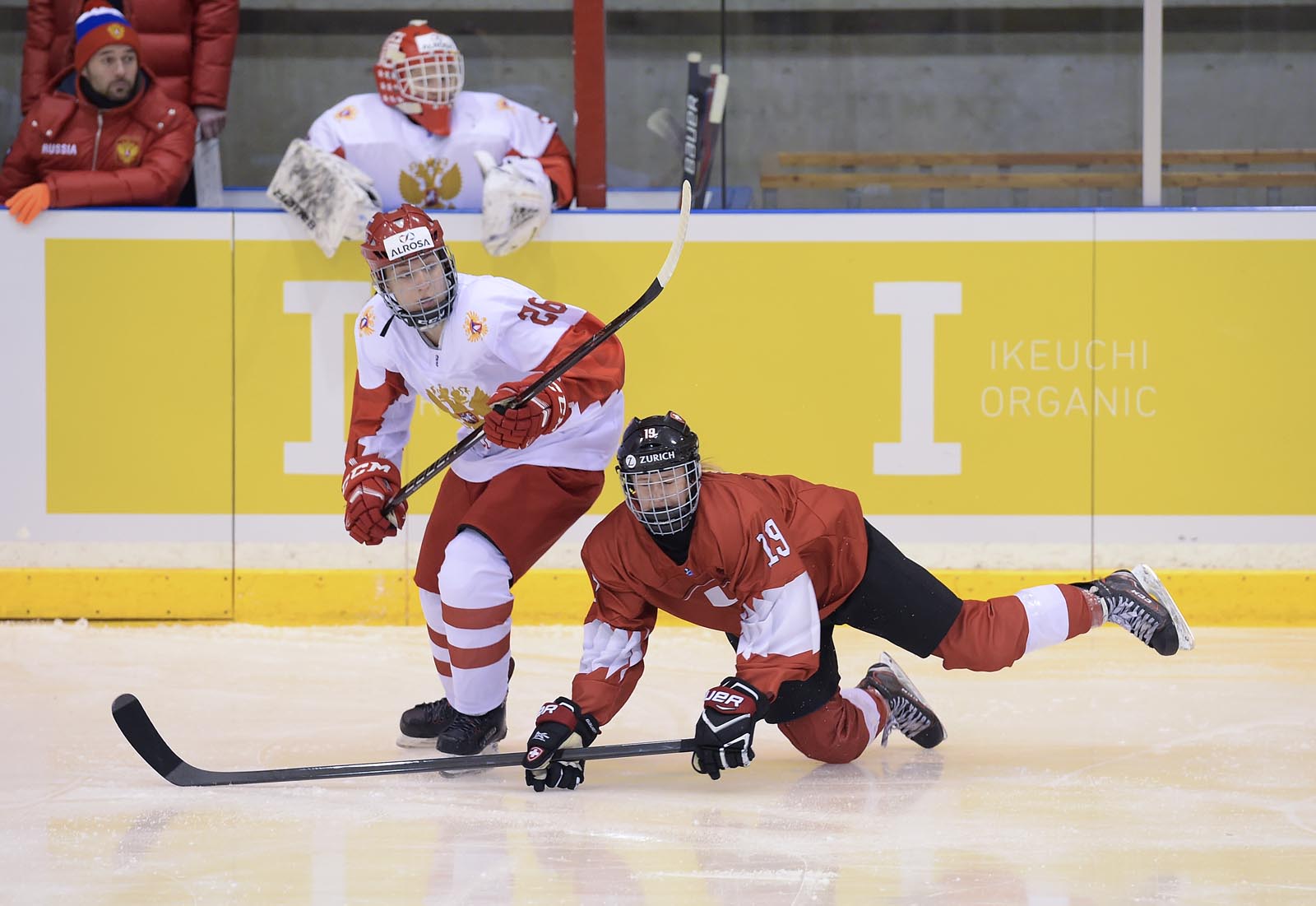 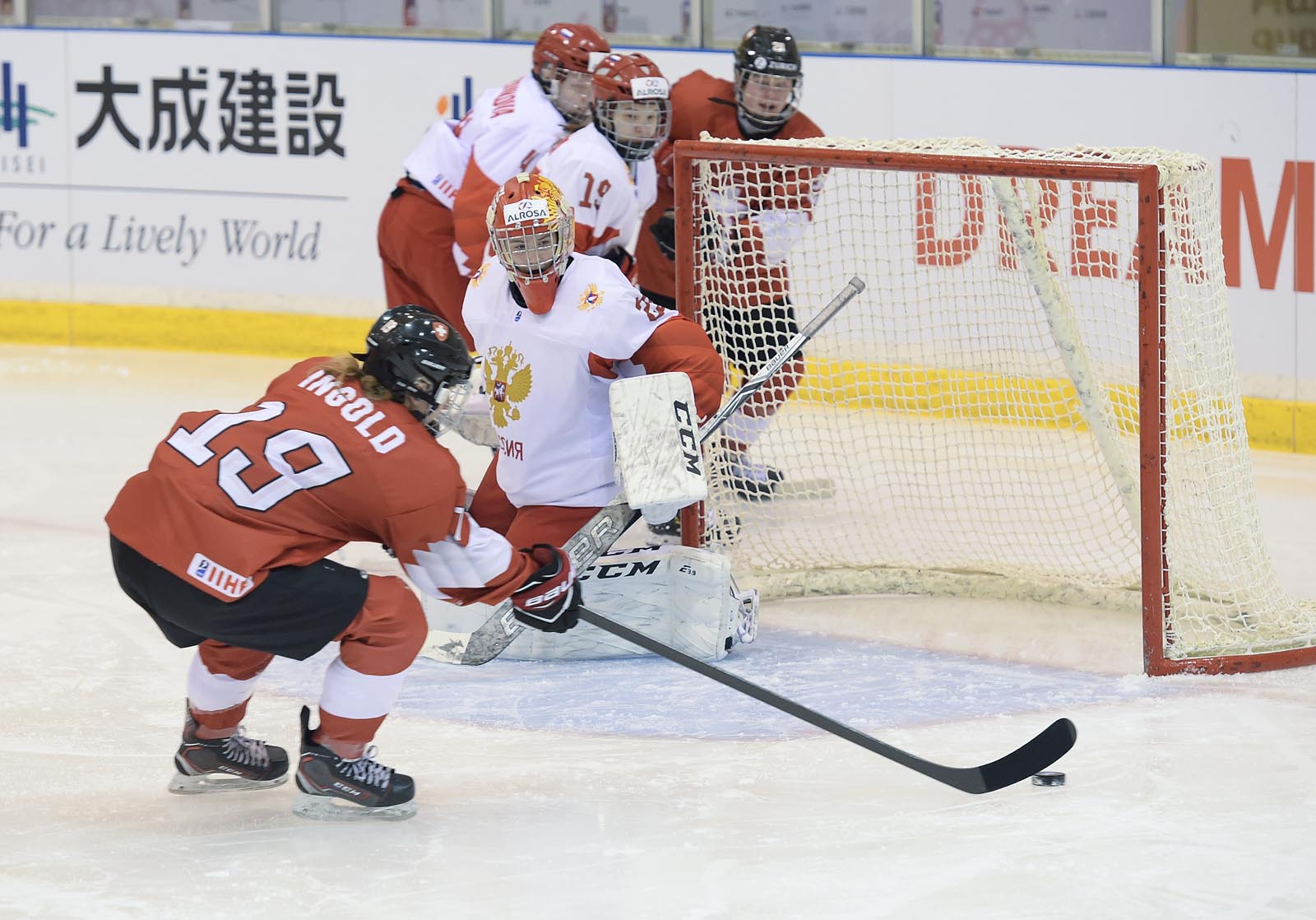 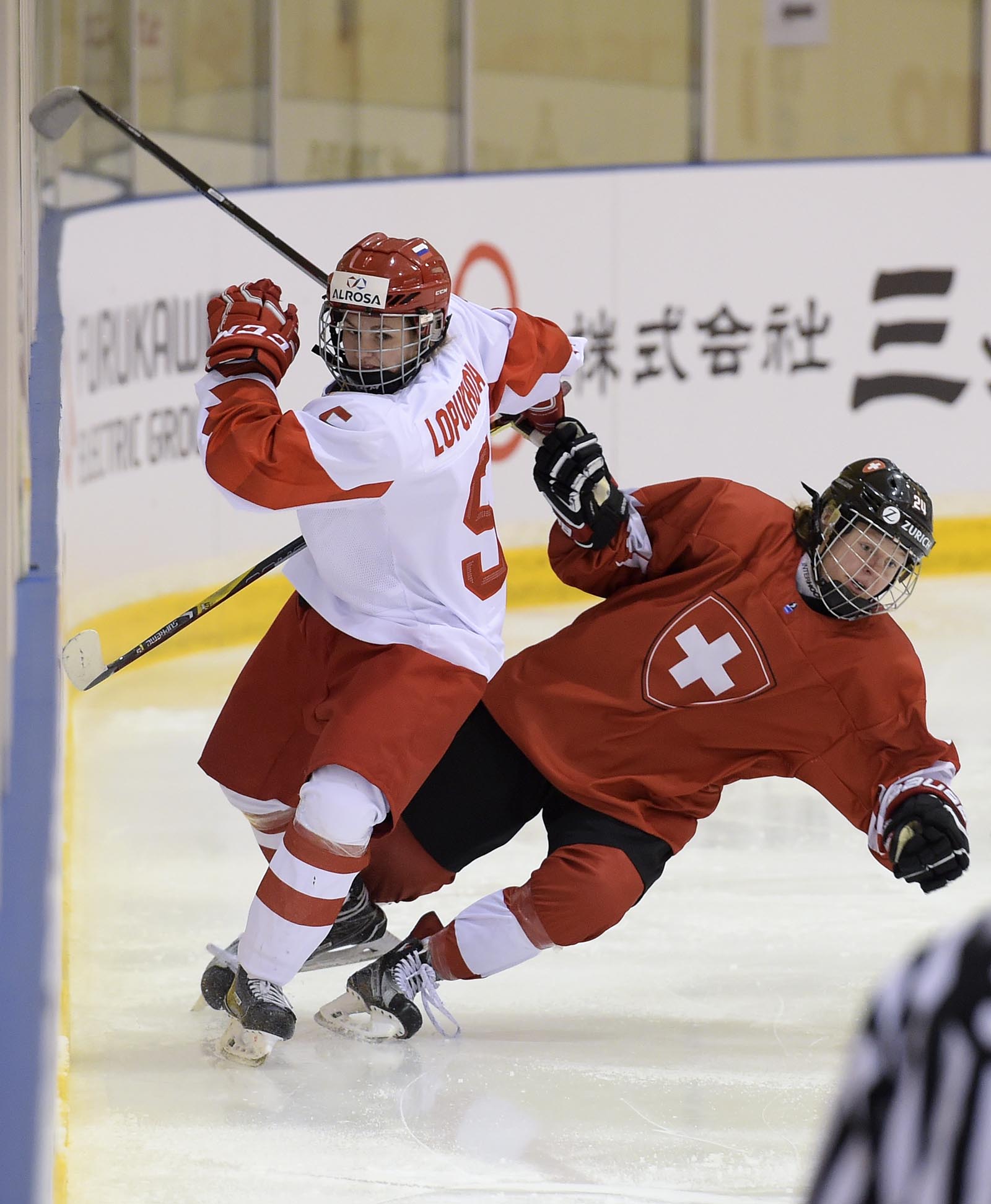 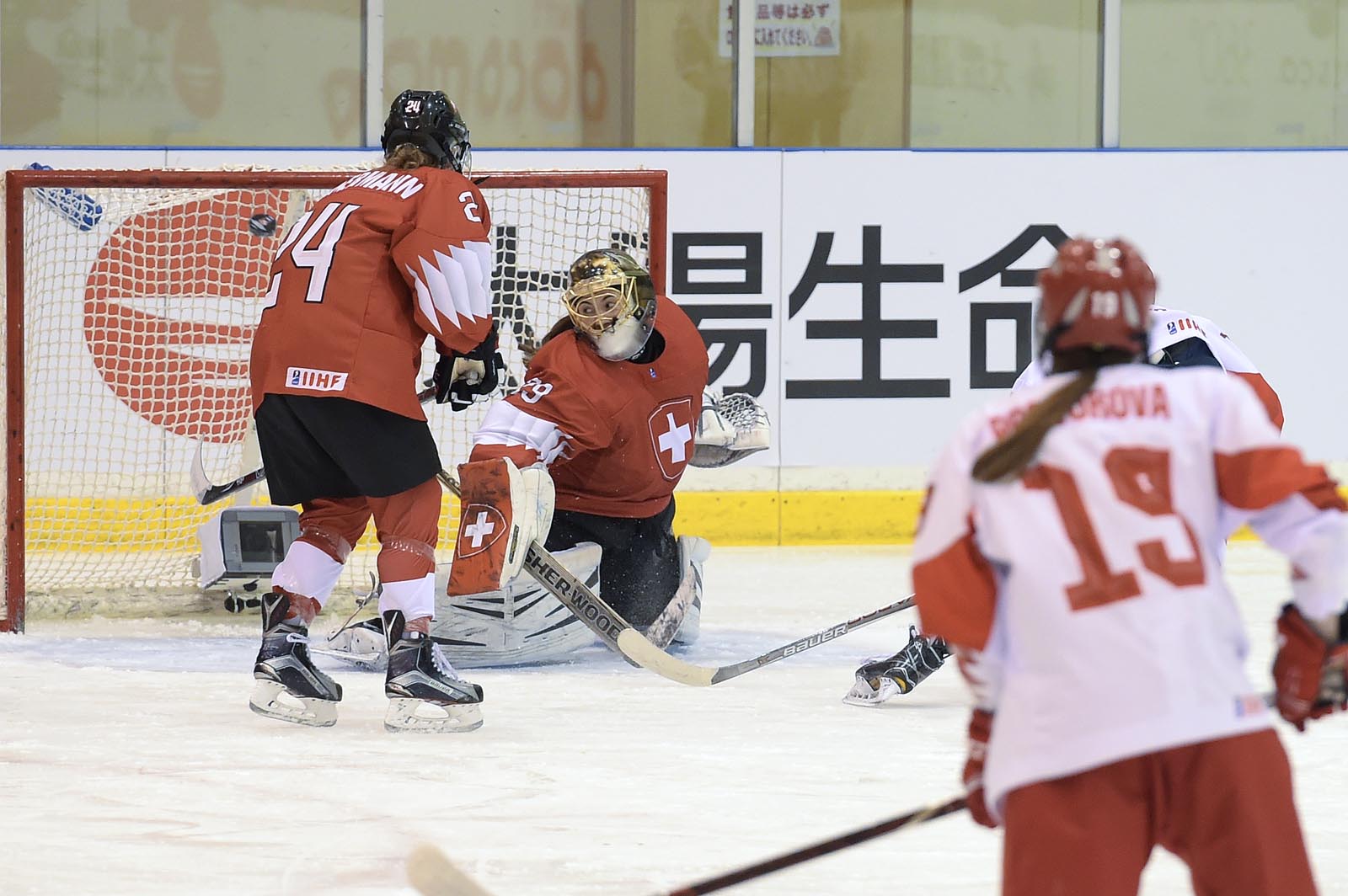 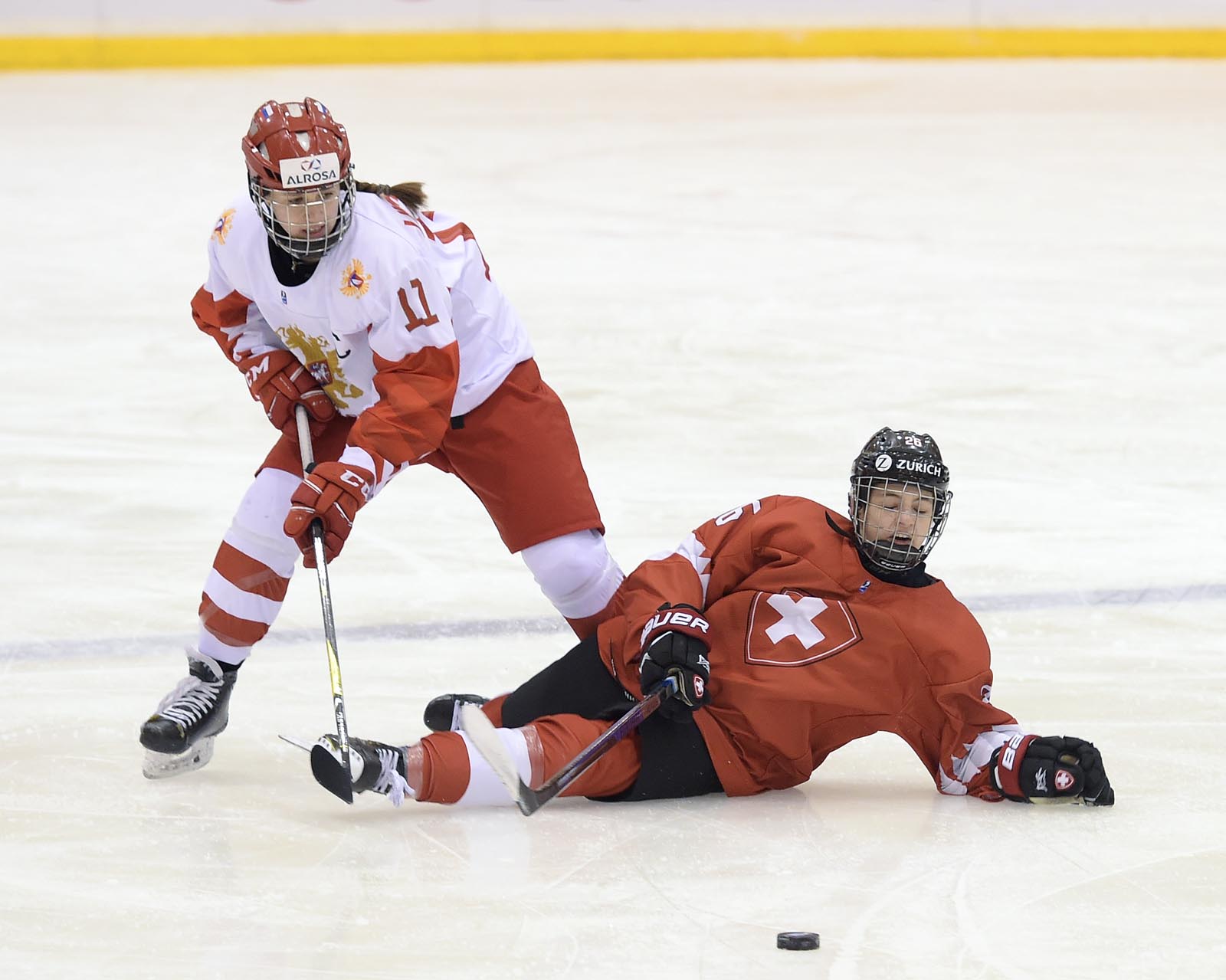 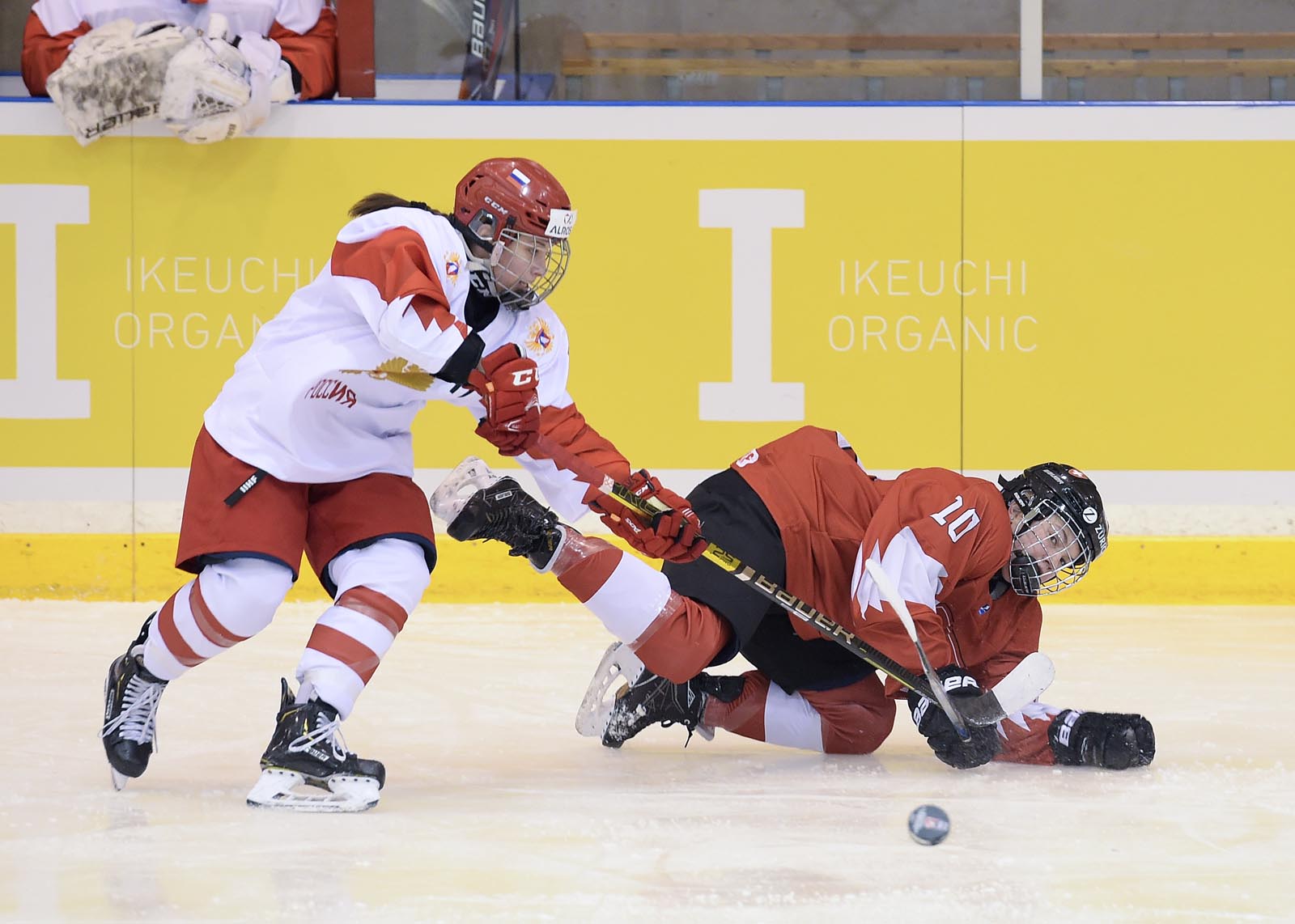 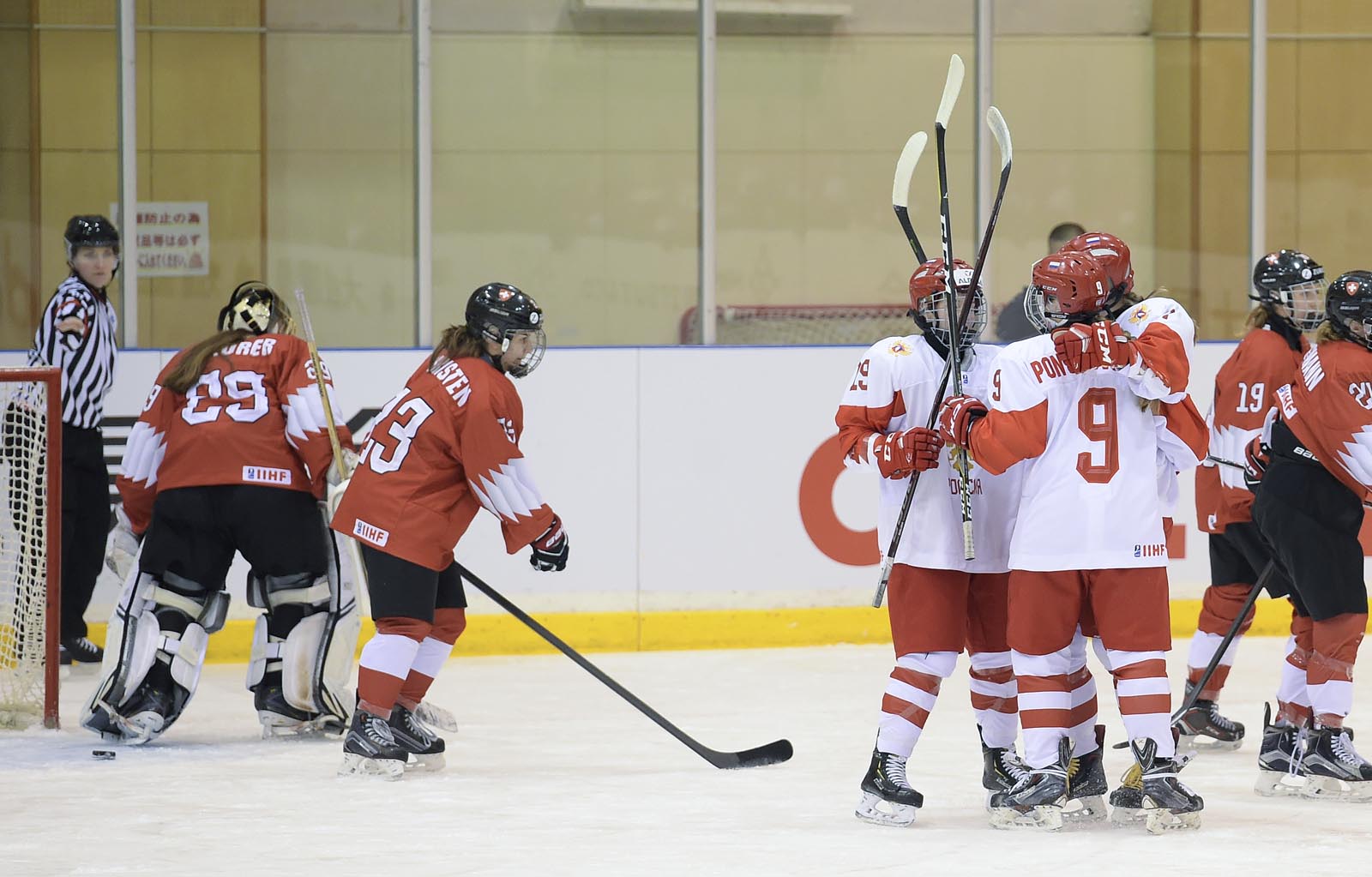 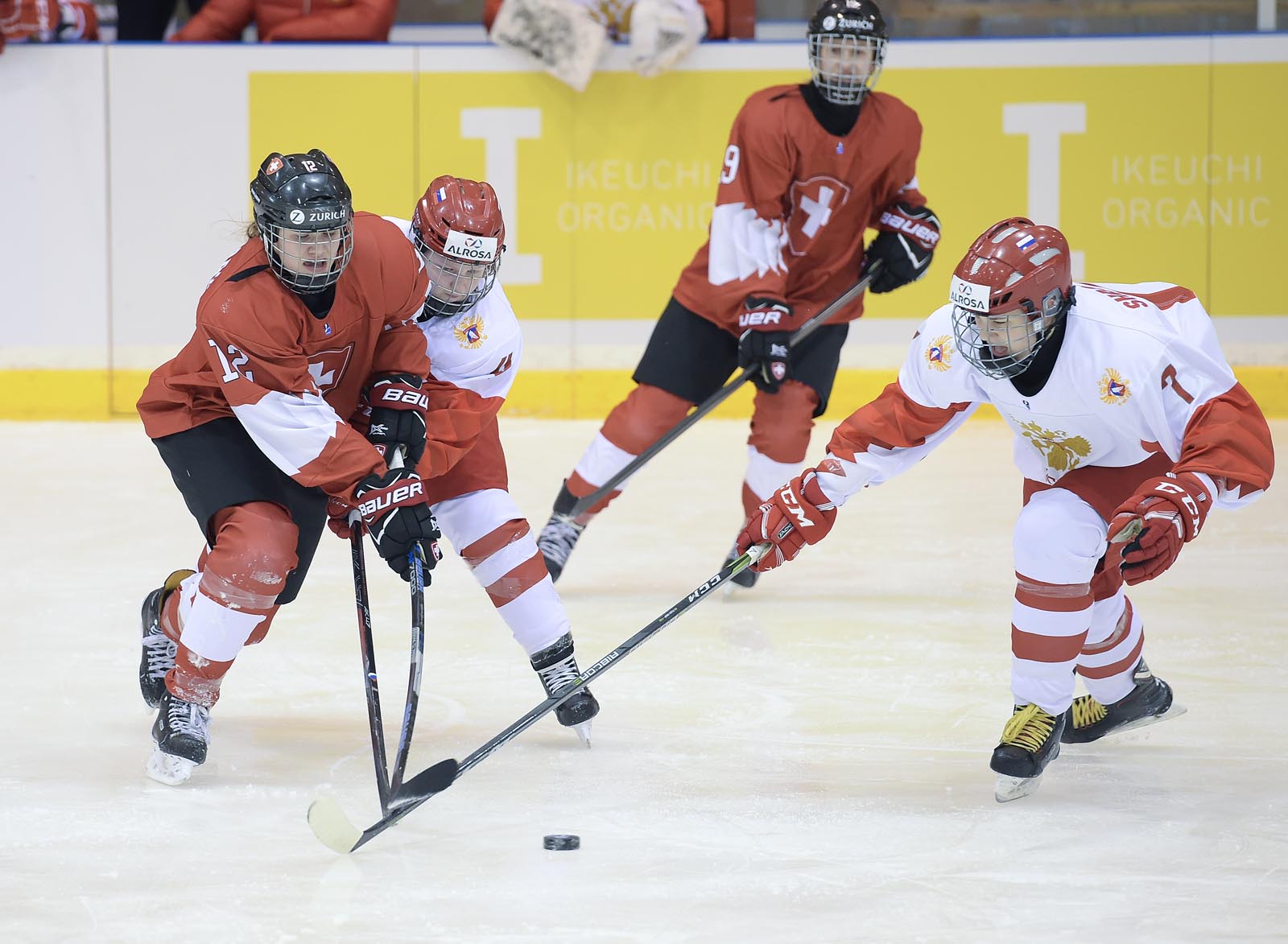 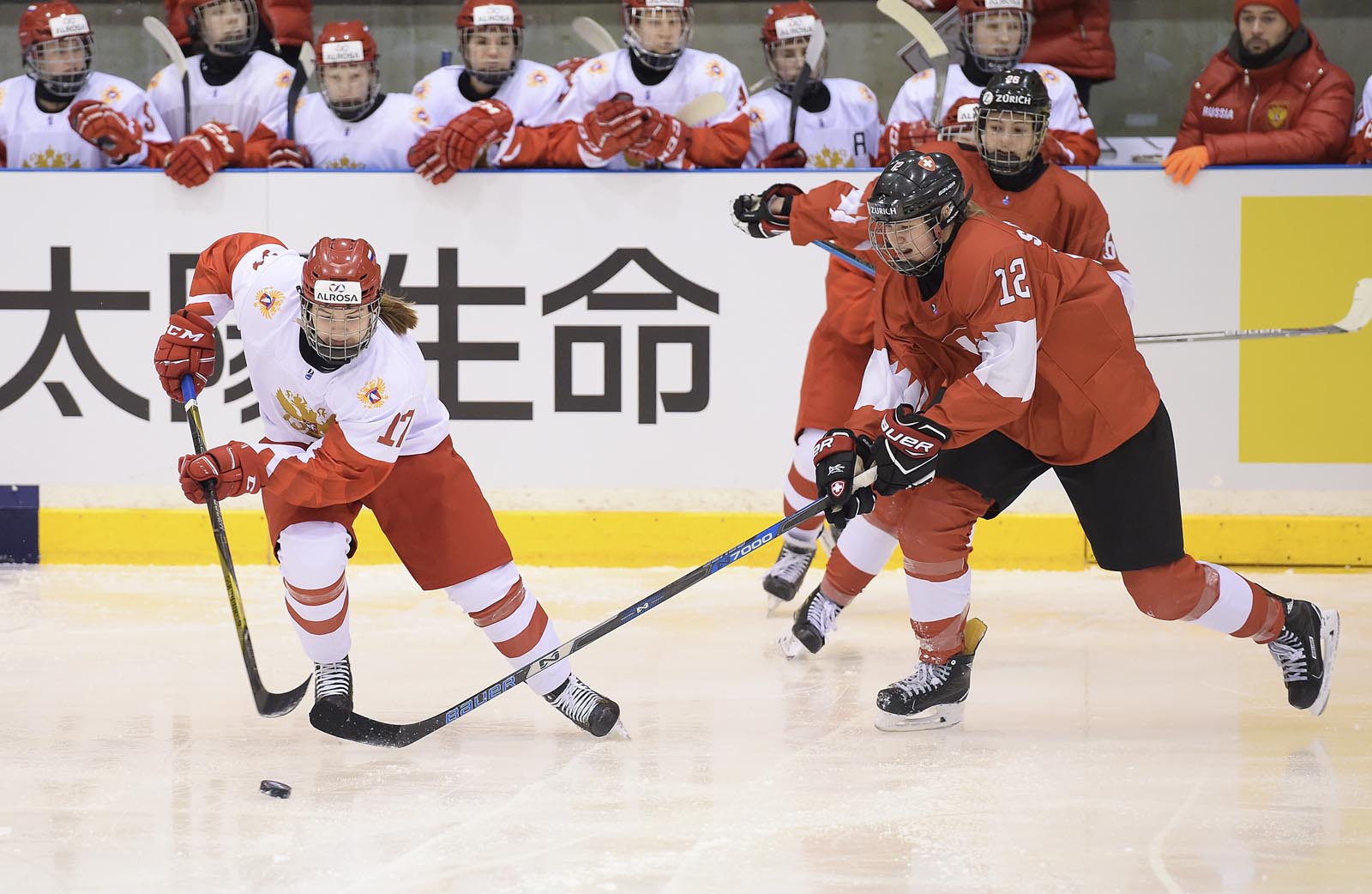 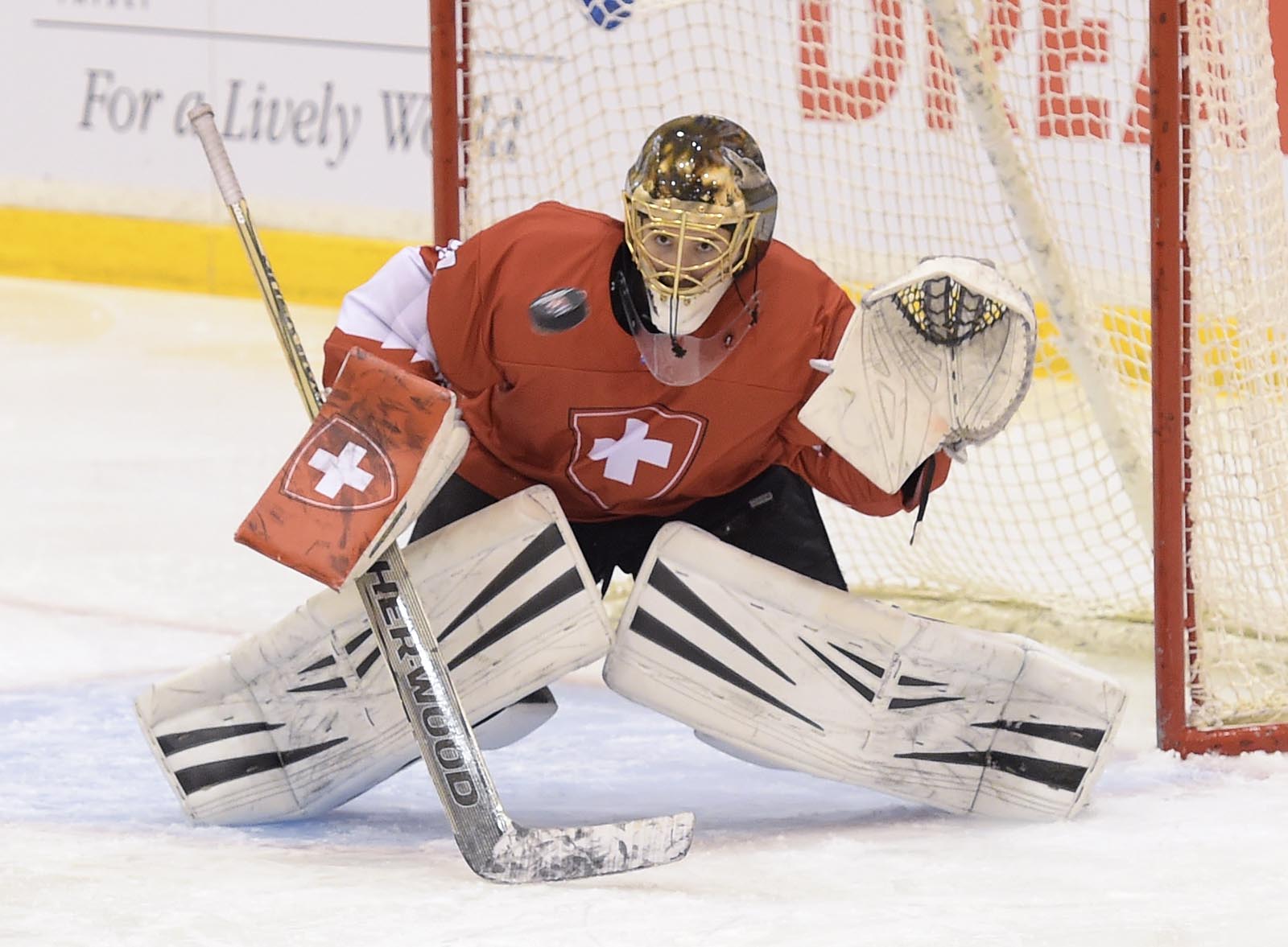 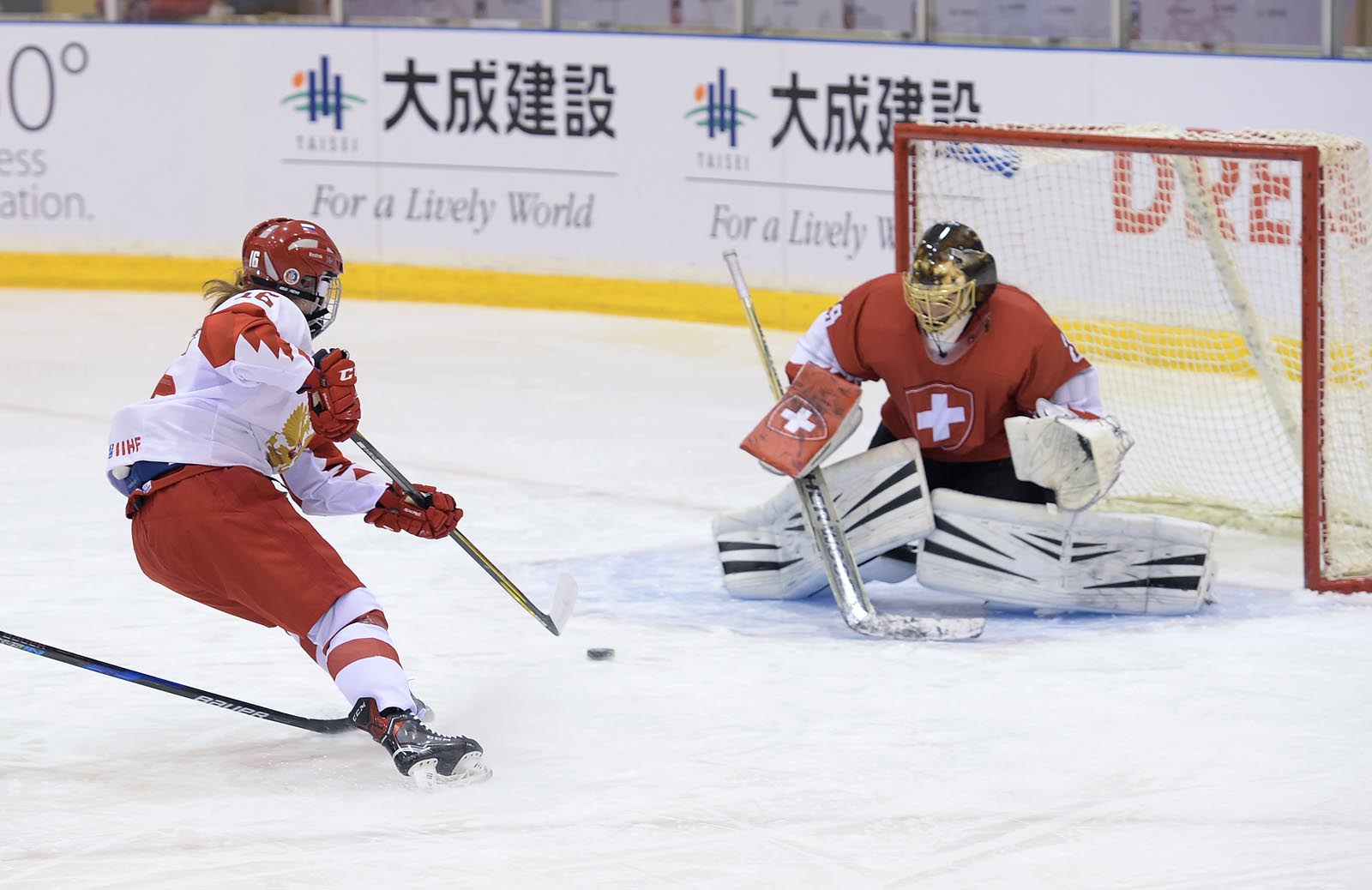 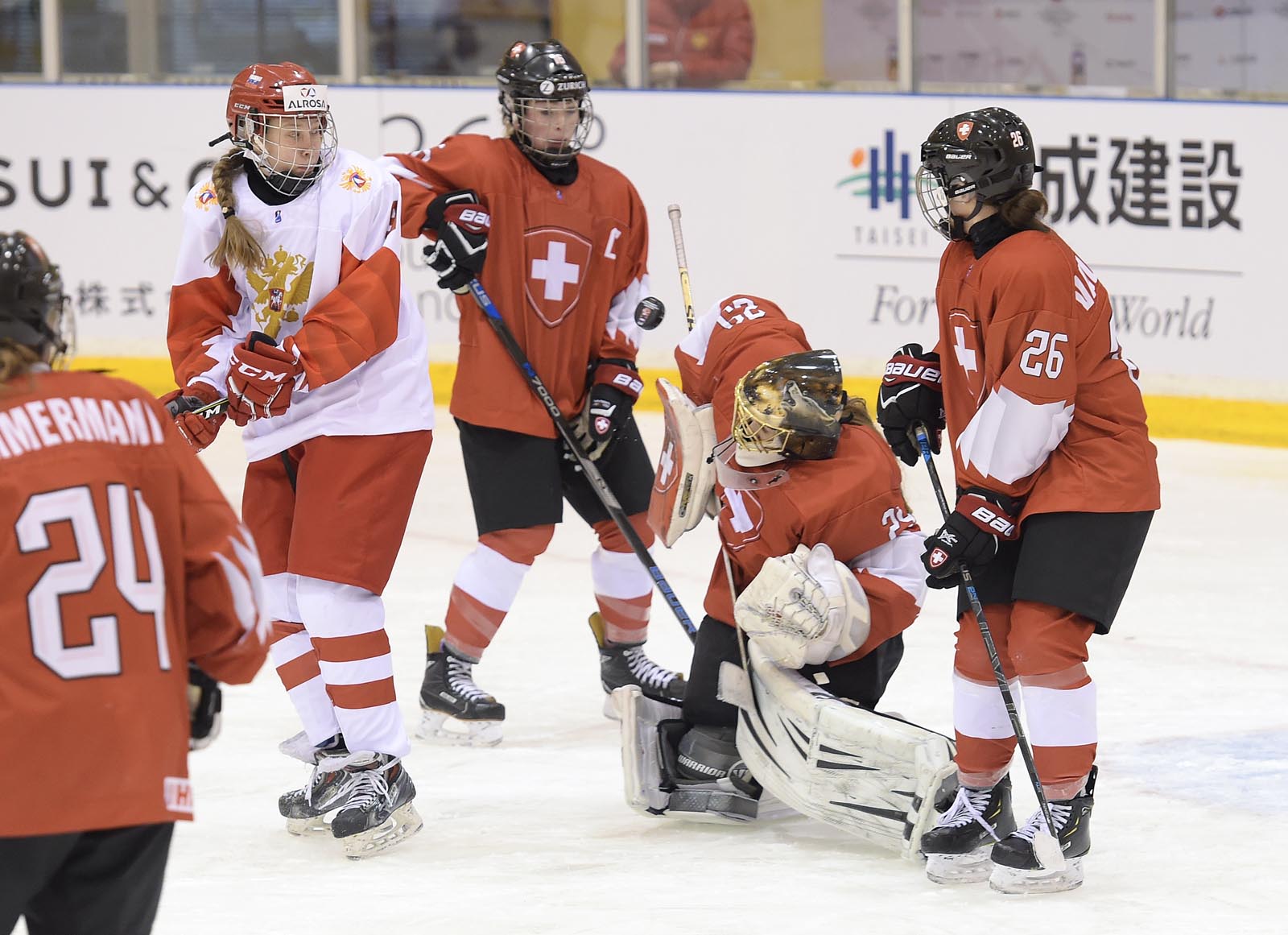 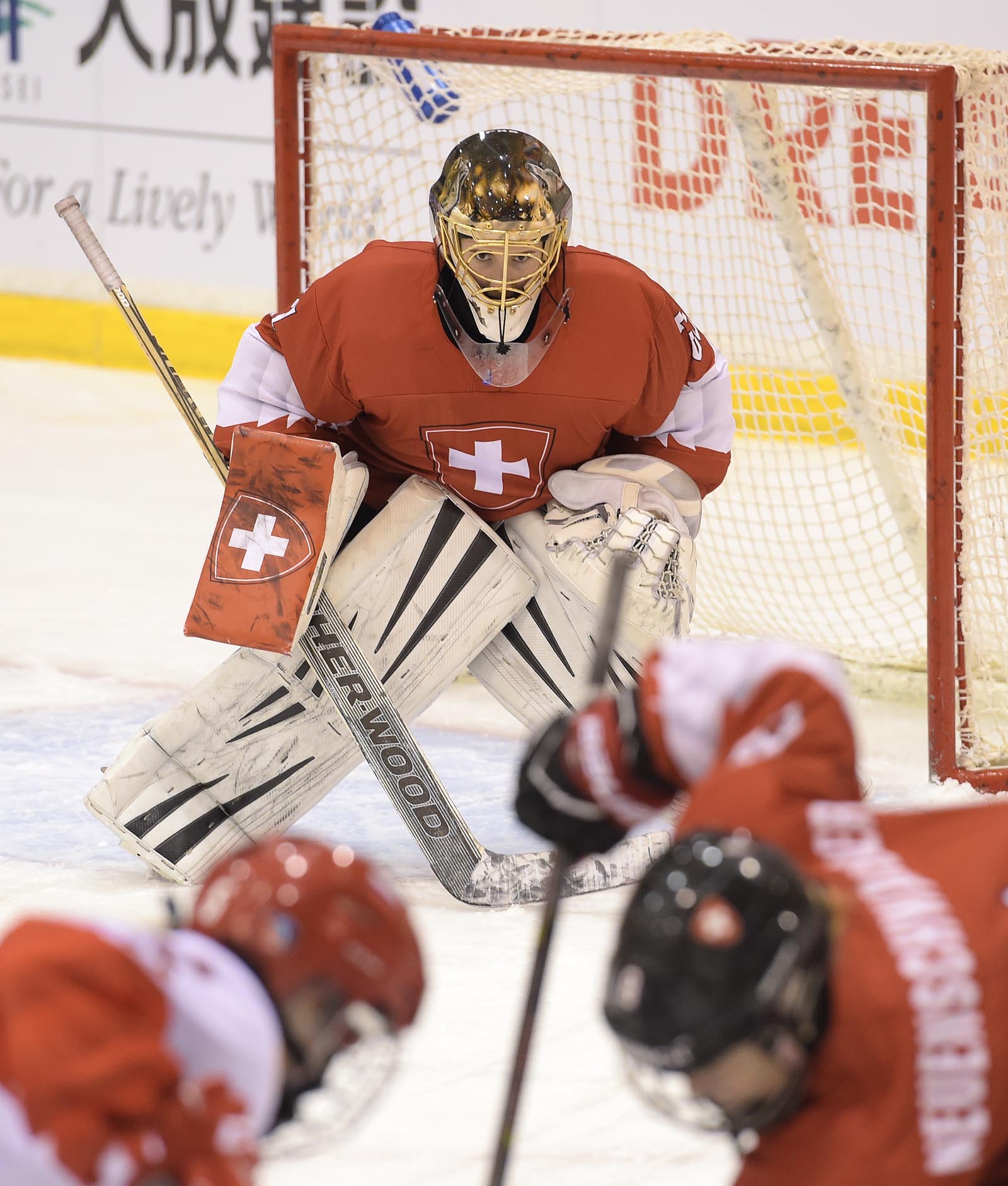 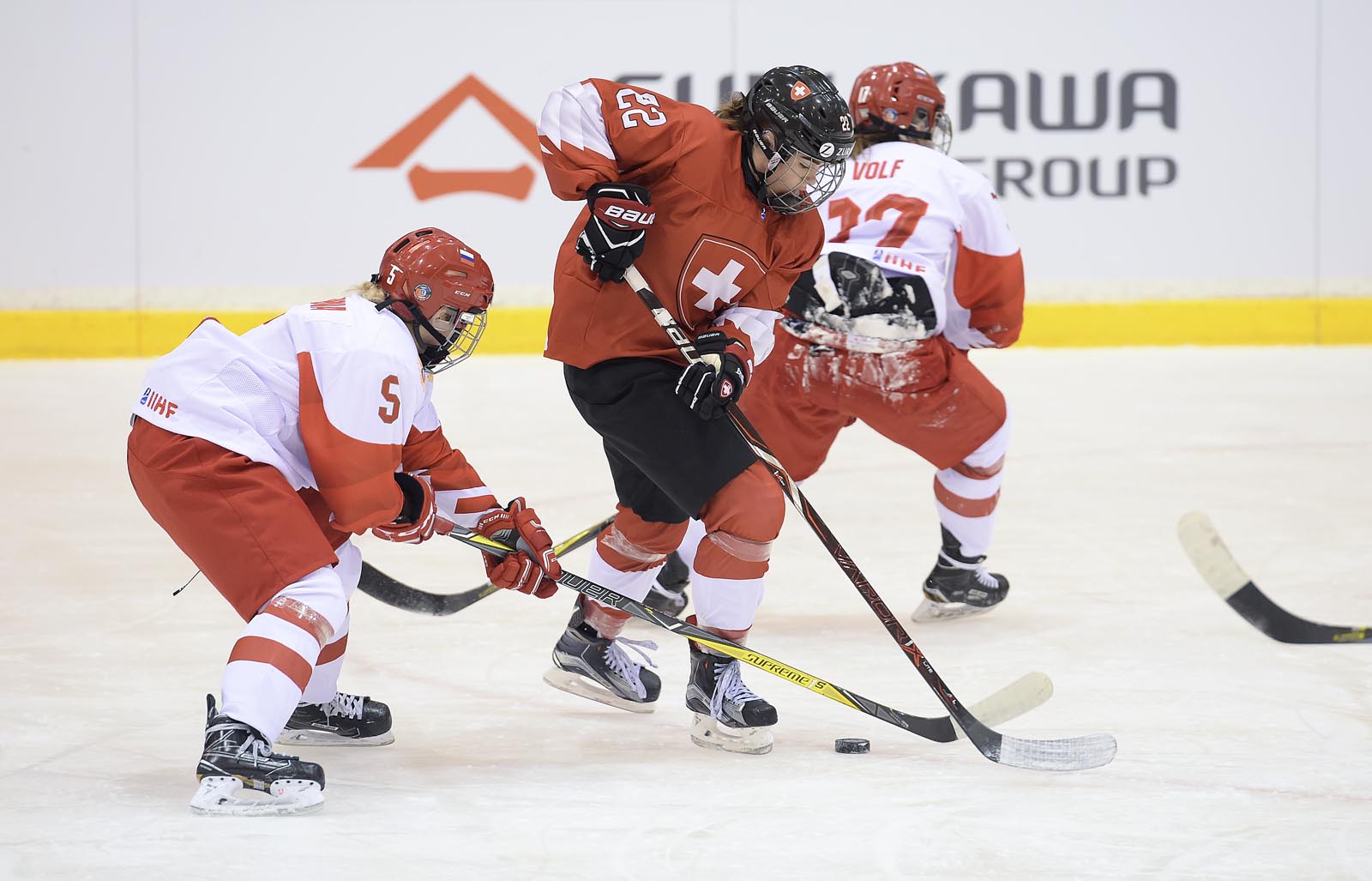 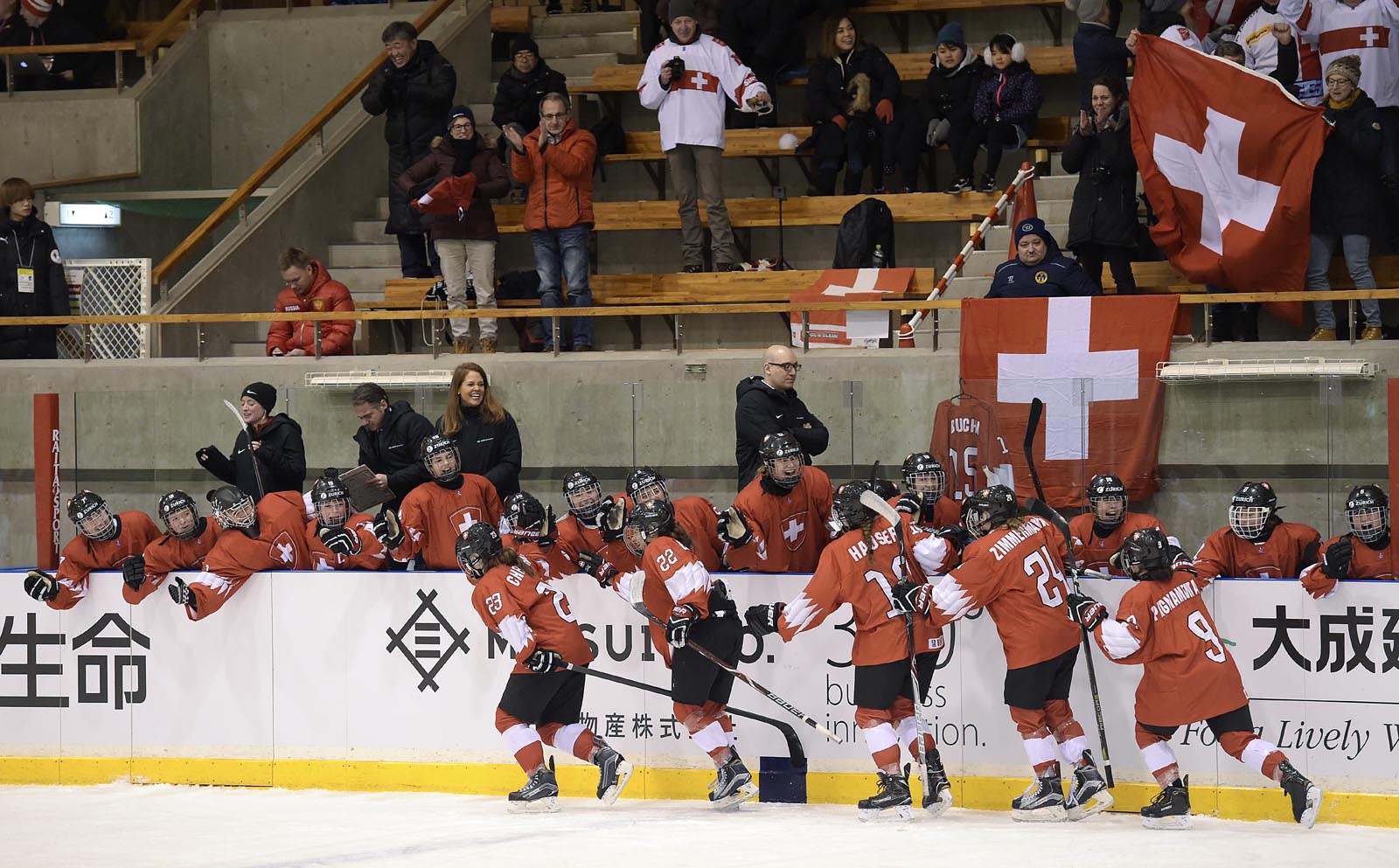 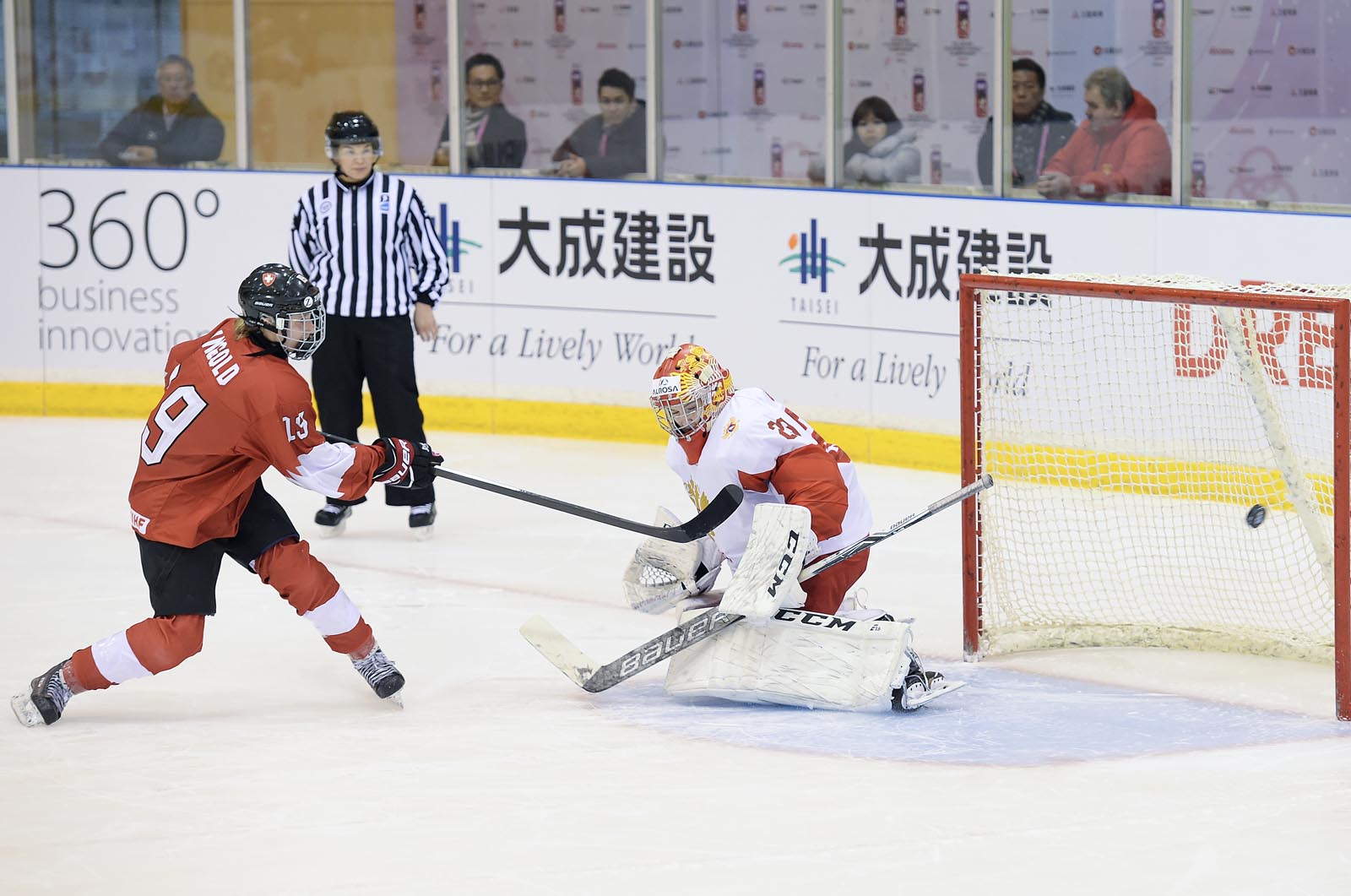 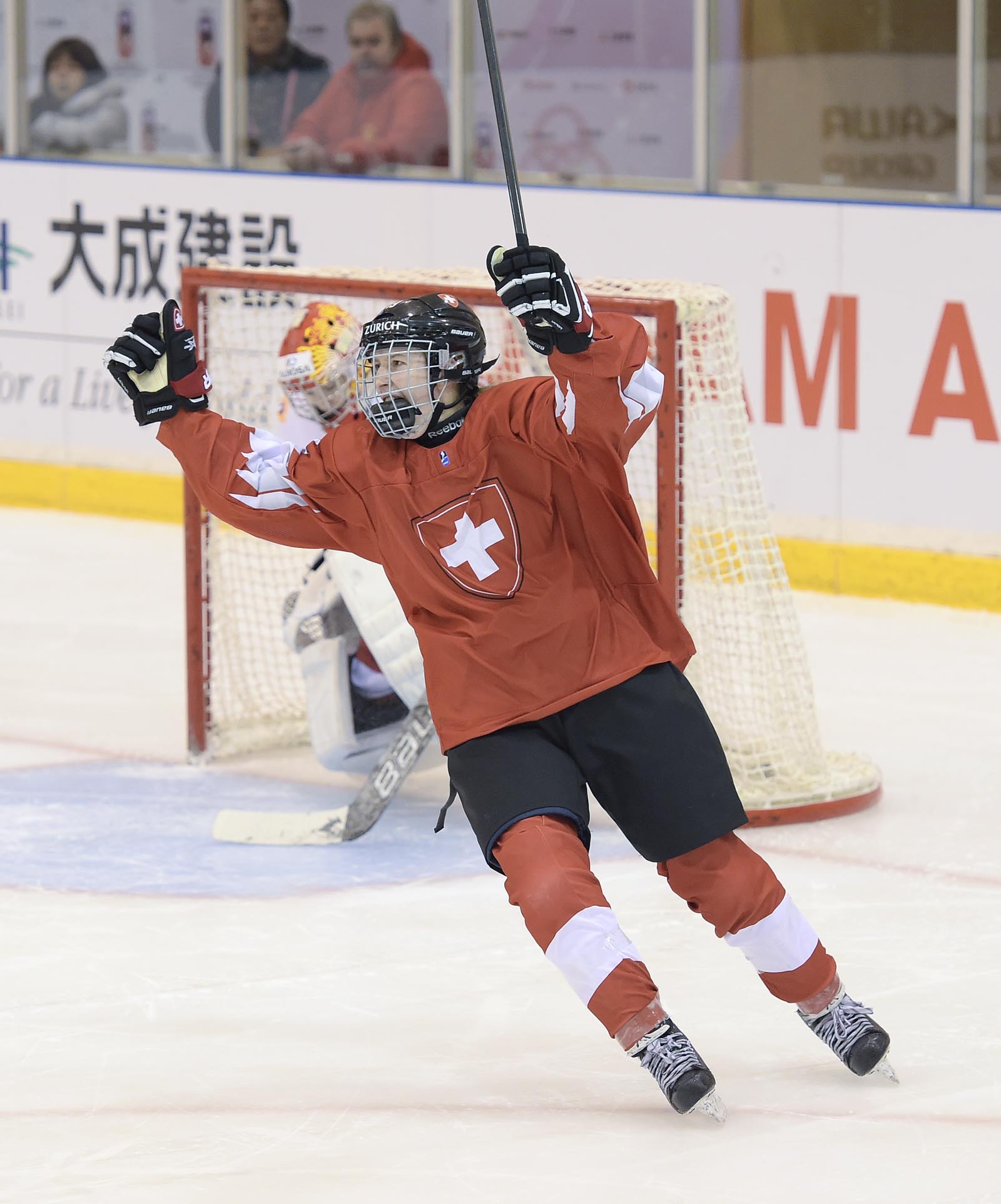 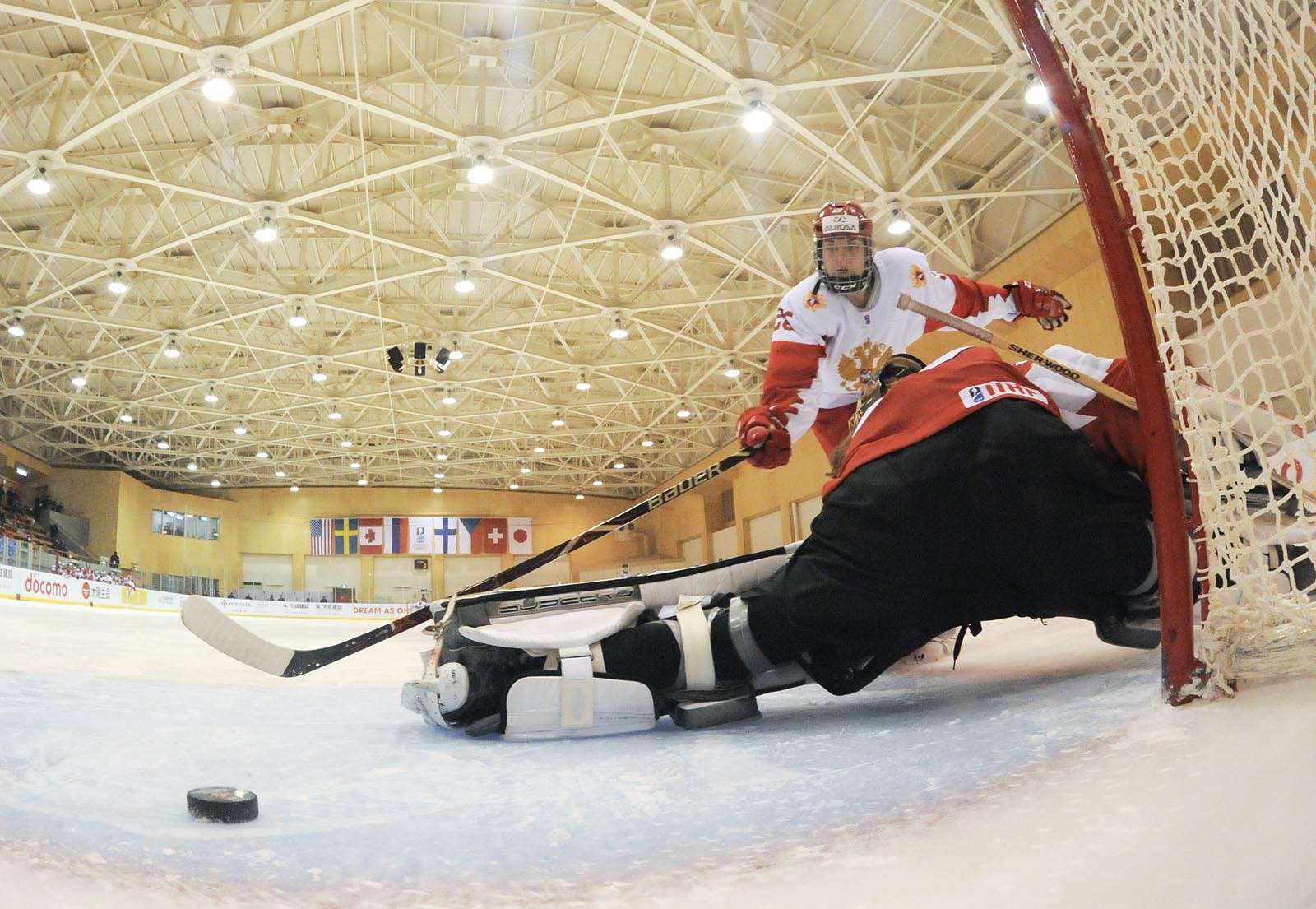 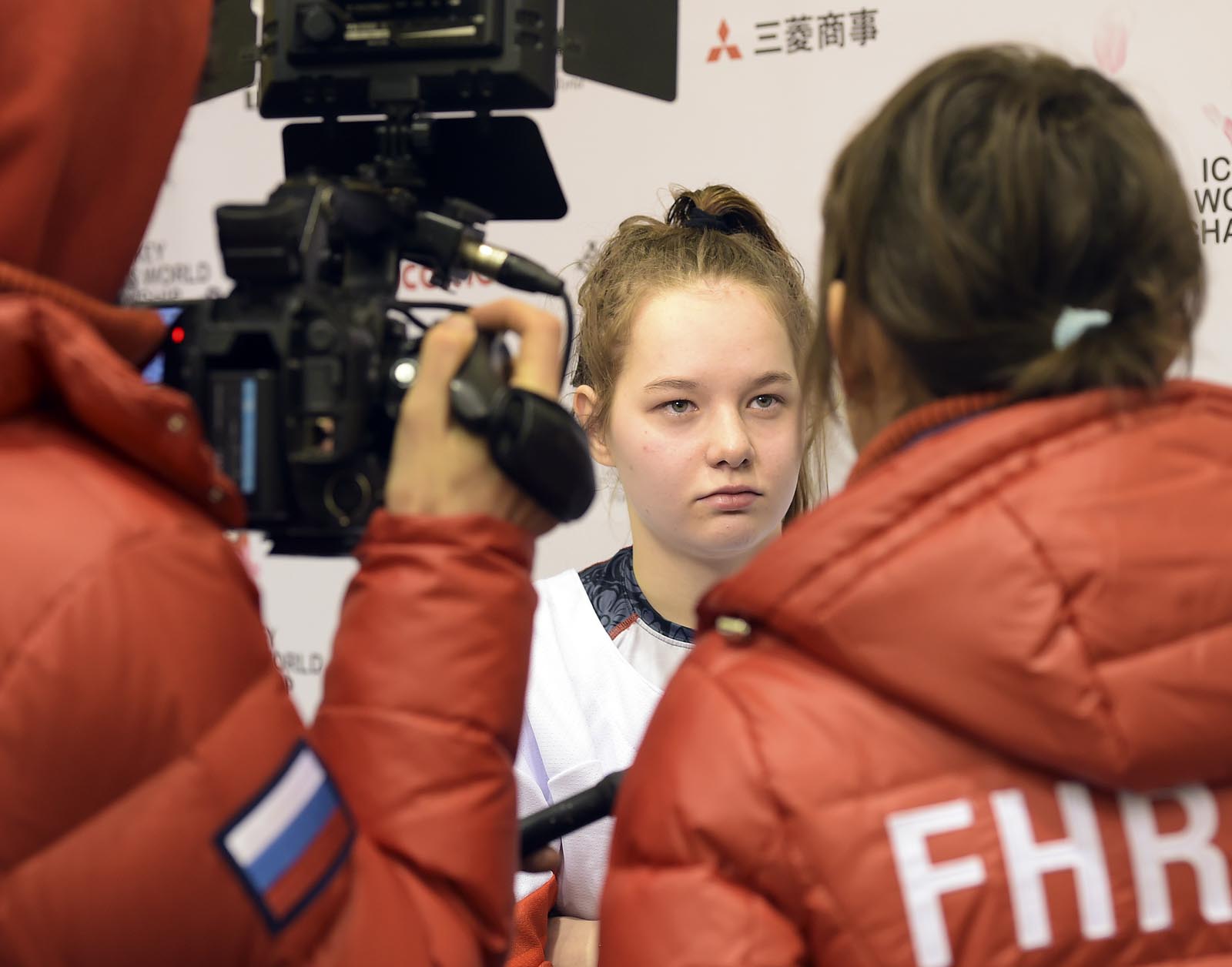