SonderjyskE starts with shootout win
SonderjyskE forward MacGregor Sharp (left) celebrates his late game-tying goal against the Nottingham Panthers with Steffen Frank.
photo: SEBFoto.dk
share
It was again a hard-fought game between 2020 IIHF Continental Cup Final host SonderjyskE Vojens and the Nottingham Panthers. After a tied game in regulation time it was the Danish team that won this time after having lost in the preliminary round in November.

“We had revenge in mind since we lost last time. We wanted to pay back,” SonderjyskE forward Daniel Galbraith said after the game. And they did it in dramatic fashion by tying the game with 3:09 left in regulation time and then winning in the penalty-shot shootout.

Nottingham goalie Kevin Carr seemed to become the hero in this clash again with 52 saves as SonderjyskE outshot Nottingham 53-24 during 65 minutes of play but struggled getting the puck behind the Panthers’ Canadian netminder. But the home team never gave up hopes and made the turnaround late in the game.

Similar as in the first game of the day the first period ended scoreless with the teams tied in shots (13 each). The Panthers had more opportunities in the beginning but when Brian Connelly was assessed a holding penalty straight in front of the own net things seemed to get a bit more exciting for the home team at first. However, good chances remained rare also on the man advantage and the period ended scoreless.

In the second period Justin Maylan was closest with his shot on a power play after six minutes when Connolly had to take place in the sin bin again but the game remained scoreless.

The biggest difference compared to the first game was that both goaltenders kept their clean slate for a long time. Nottingham goaltender Carr was the hero in the preliminary round when the Panthers beat SonderjyskE 4-2 despite being outshot. Two months later SonderjyskE netminder Nicolaj Henriksen didn’t take a backseat in the puck-stopping competition tonight – until it was the Panthers’ time to shine on the power play late in the middle frame.

During a 4-on-3 it was Connelly who got on the scoreboard and this time for the good reasons. His shot from the blueline with 91 seconds left before the buzzer bounced back from the end boards and went into the net via Konsta Makinen’s skate while Panthers captain Samuel Herr stood ready to move the puck in. Like last time the Panthers were leading after two periods despite SonderjyskE’s 15-6 shot-on-goal advantage.

“We did a good job on the penalty kill. It’s tough out there. They were the best team we played last time and they did create even more chances than they did last time,” said Nottingham’s Jake Hansen.

The Danish team continued to create more chances to the joy of most of the 3,367 fans at the arena and had two power plays. But the closer the game came to the 60:00 mark the more it seemed like they wouldn’t manage to put the puck into Carr’s net. And then they did. With just over three minutes left and playing 4-on-4. Daniel Galbraith sent off a shot from the blue line and Sharp was at the spot to score on the rebound. After over 40 shots Carr the Wall had to concede his first goal and the game was en route to overtime.

“It was a good feeling to see the puck go over the line, we did a good job in front of the net,” Galbraith said. “We just tried keep believing and shoot pucks to the net but we got the one that was enough.”

The teams exchanged chances during the 3-on-3 overtime period with SonderjyskE getting more of them. However, the Panthers had the biggest when Hansen had a breakaway with only goalie Henriksen in his way but the shot went wide the net.

Eventually a shootout had to decide in which both goaltenders remained in strong shape. In the third round SonderjyskE forward Maylan was the first to score and Frederik Bjerrum made it 2-0 in the fourth round. Henriksen kept his net clean also in the last shot against Connelly and helped his team get the extra point.

“It was a good game, both teams played the way they need to play. It’s unfortunate but it’s the first game and we have two more to go here,” Connelly said. “Both teams deserved to win, it was an entertaining game back and forth.”

This time it was SonderjyskE that won this British-Danish clash but don’t count the Panthers out. It’s a short tournament and the one point they got could prove to be decisive in the end.
SonderjyskE Vojens vs. Nottingham Panthers - 2020 IIHF Continental Cup 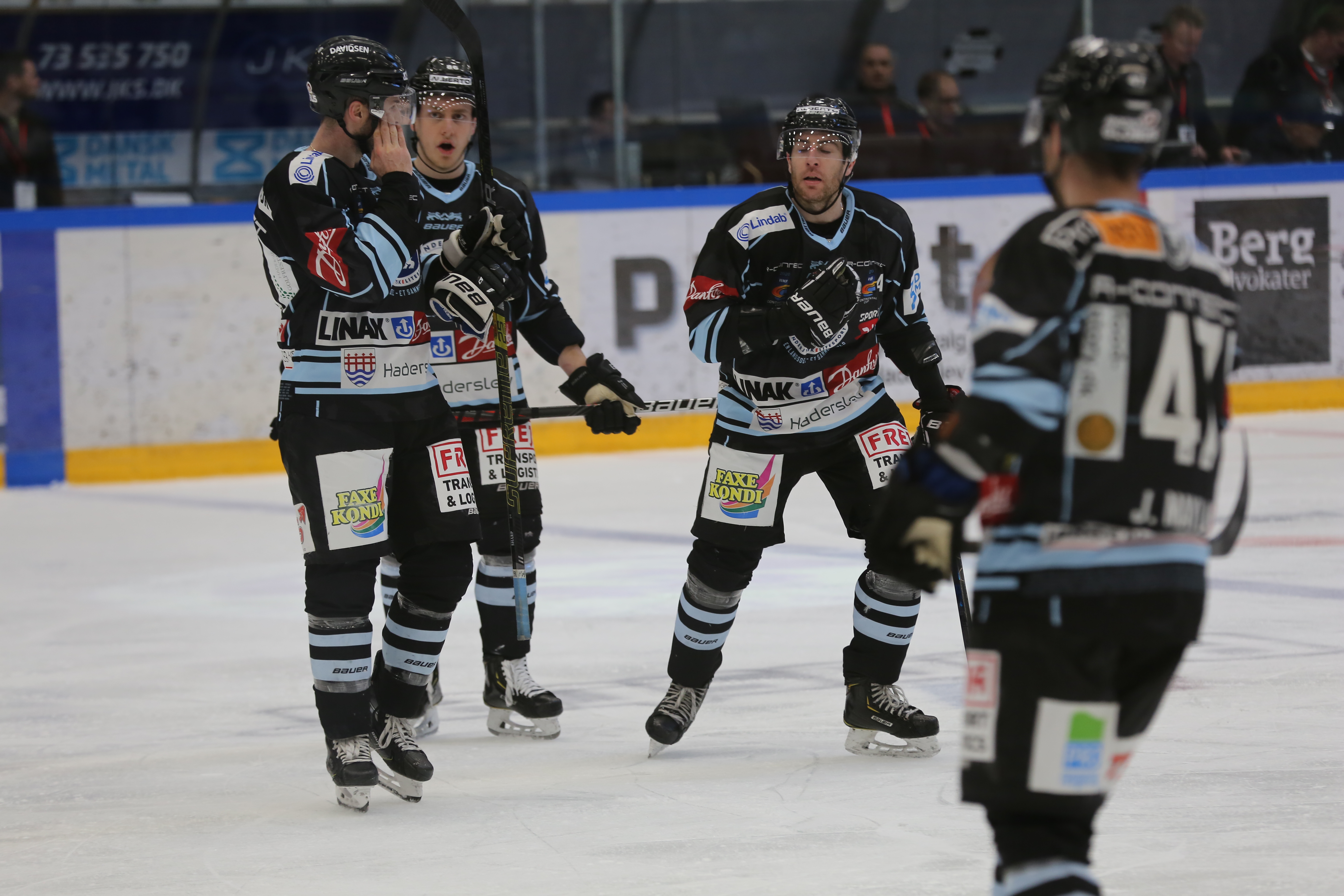 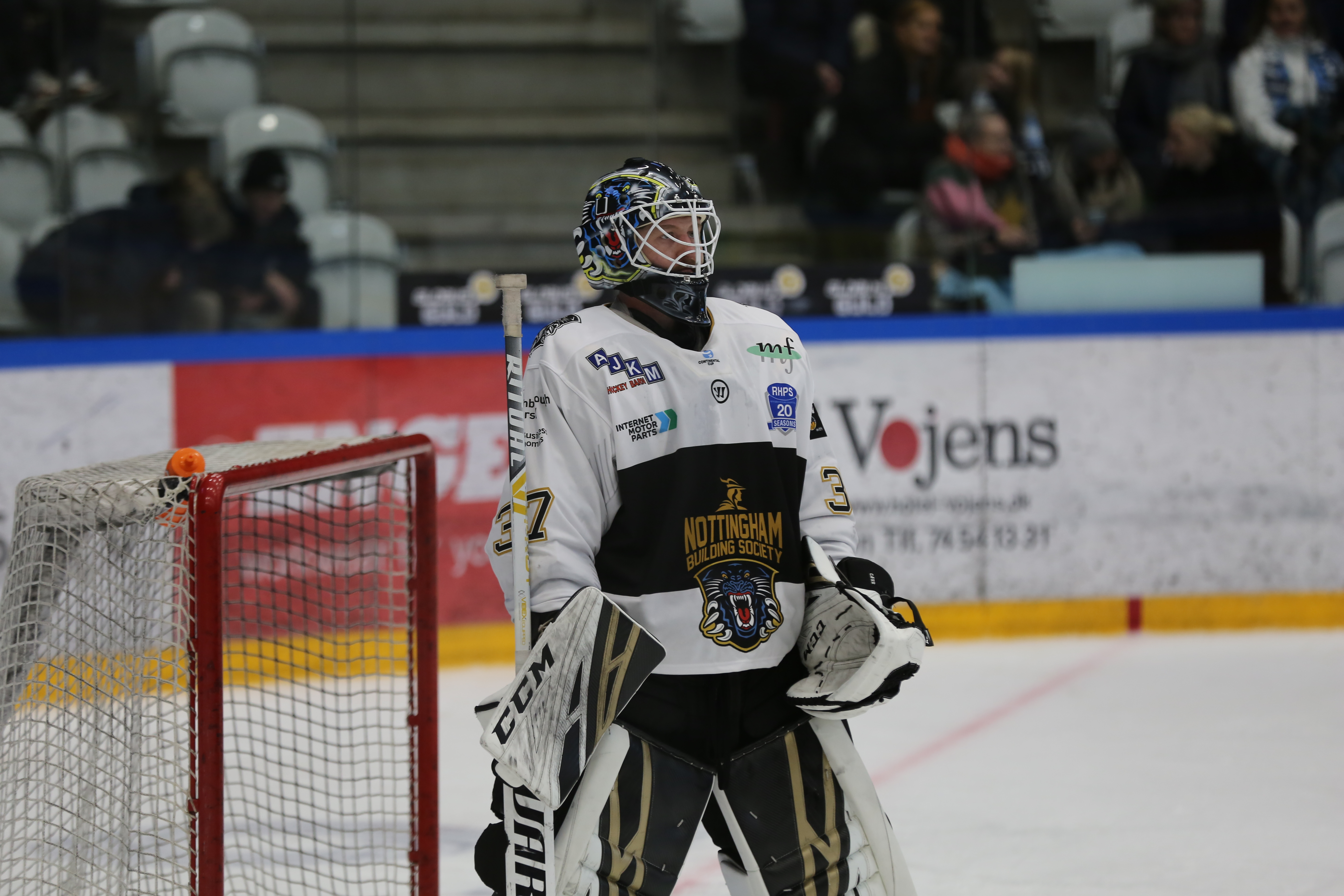 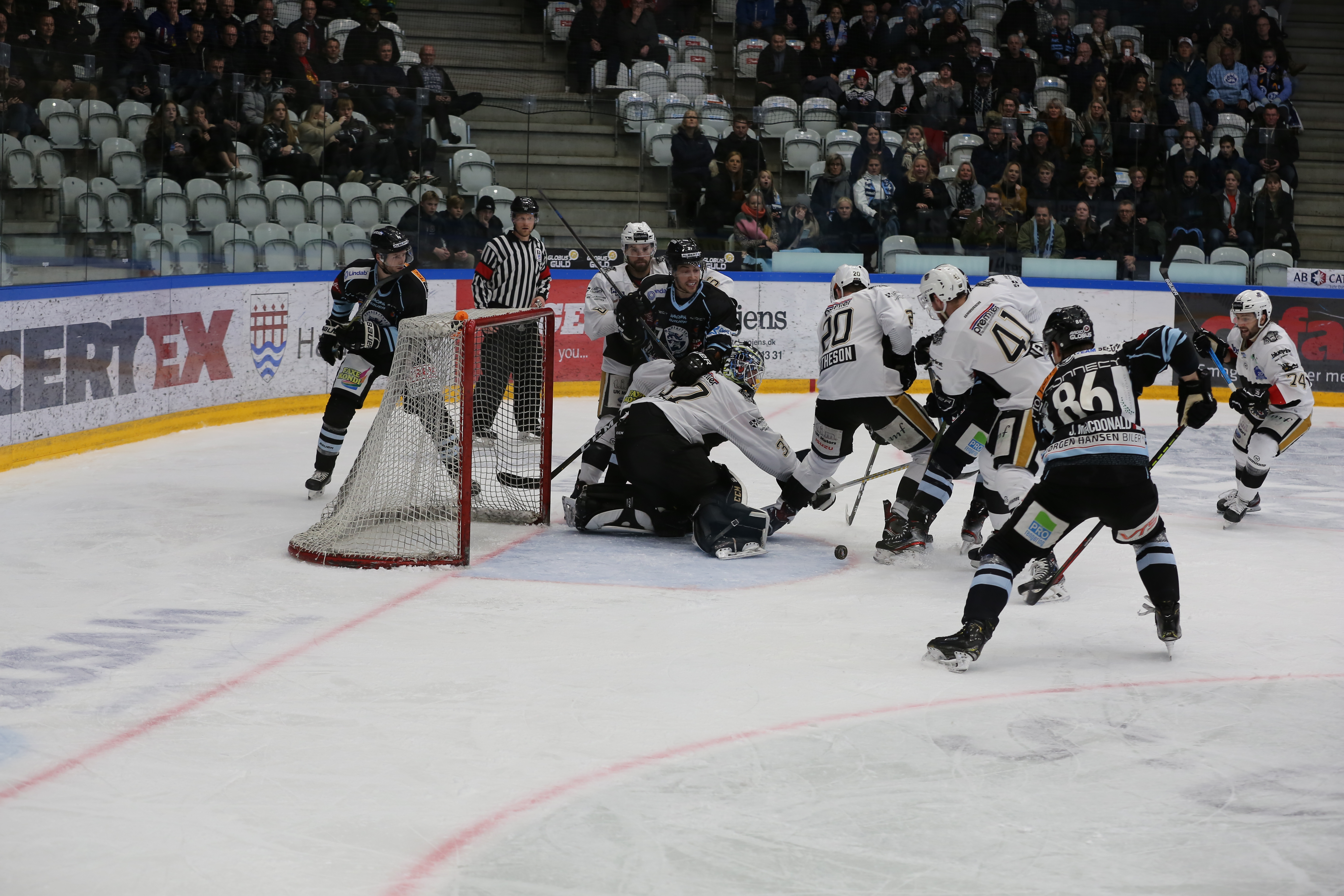 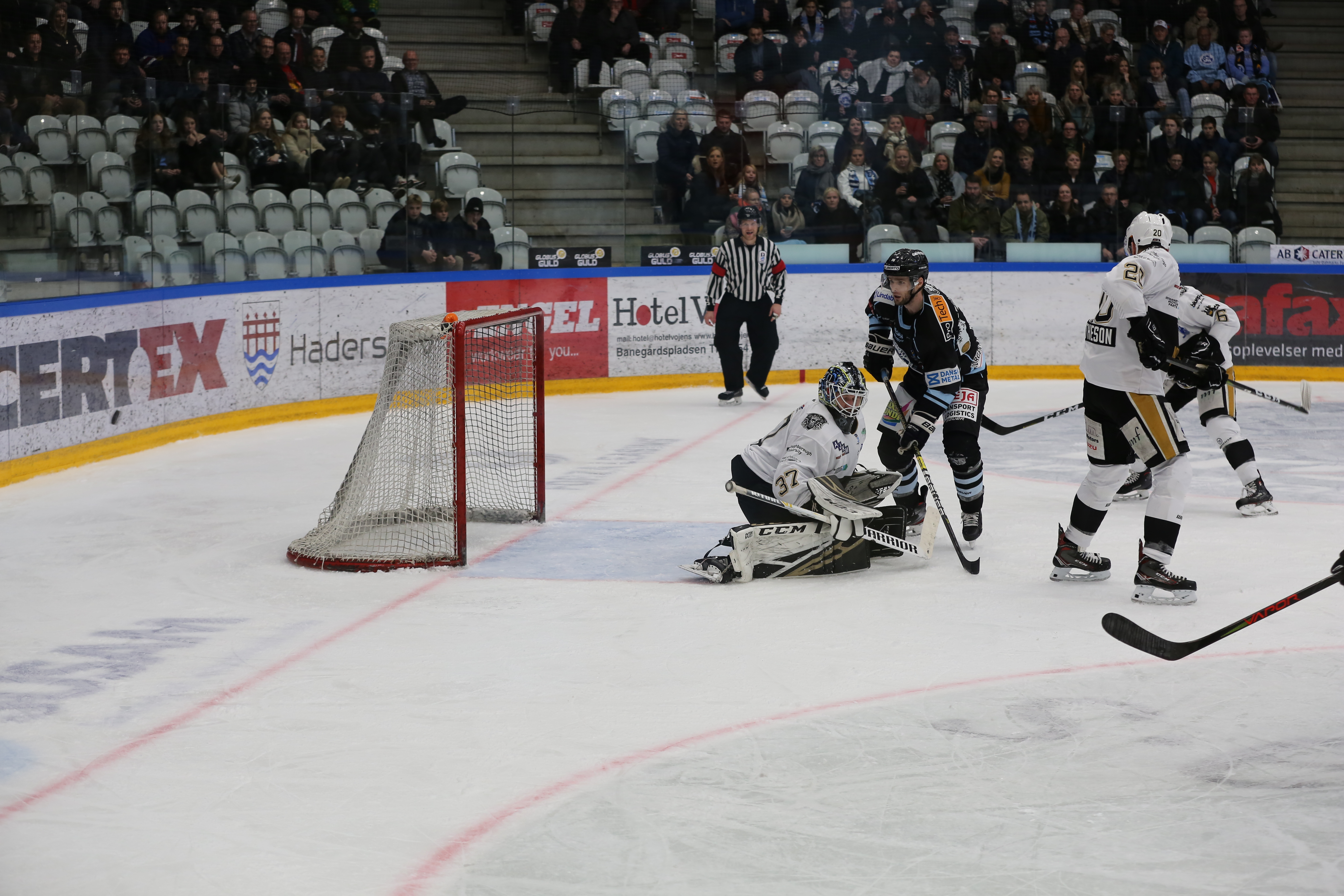 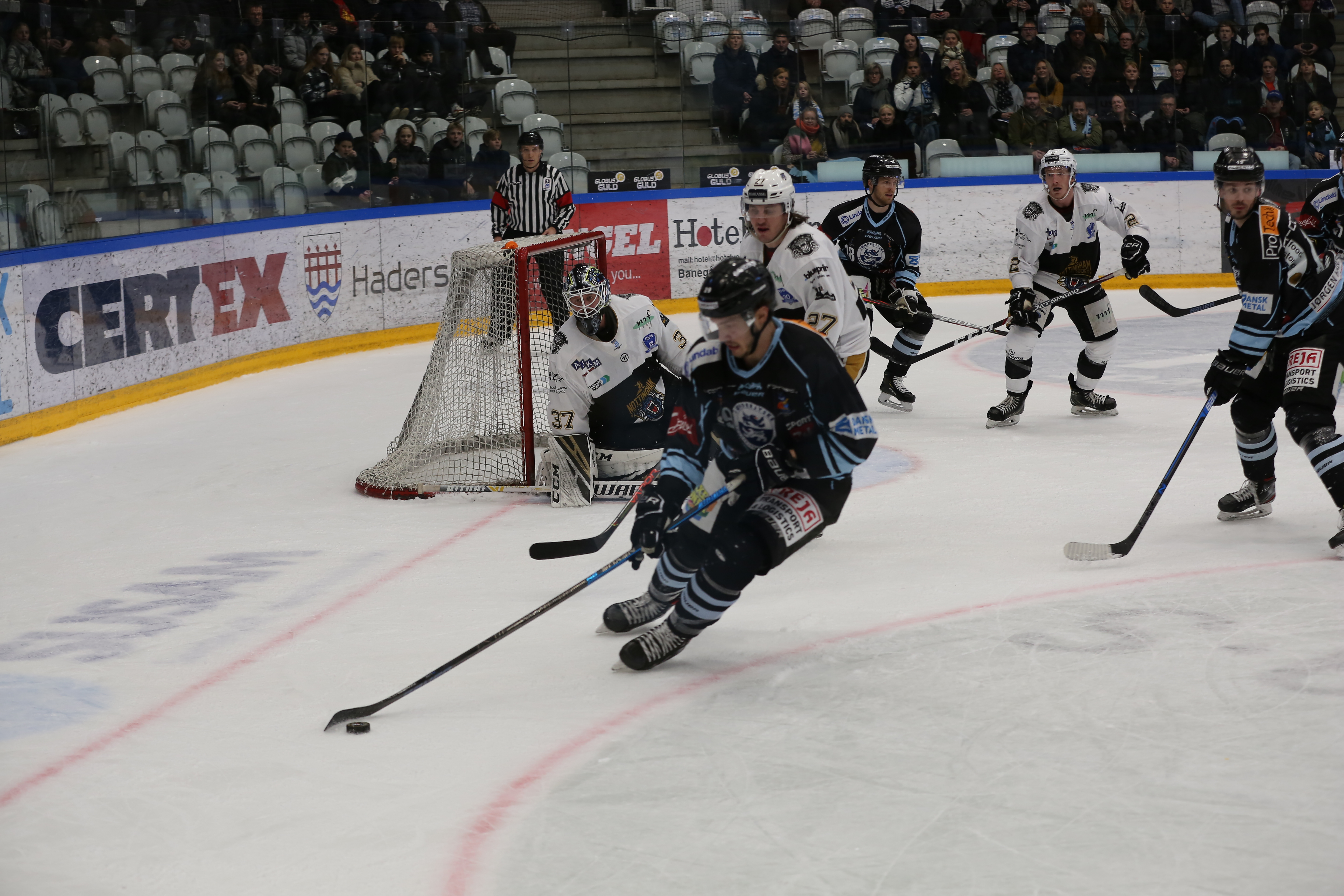 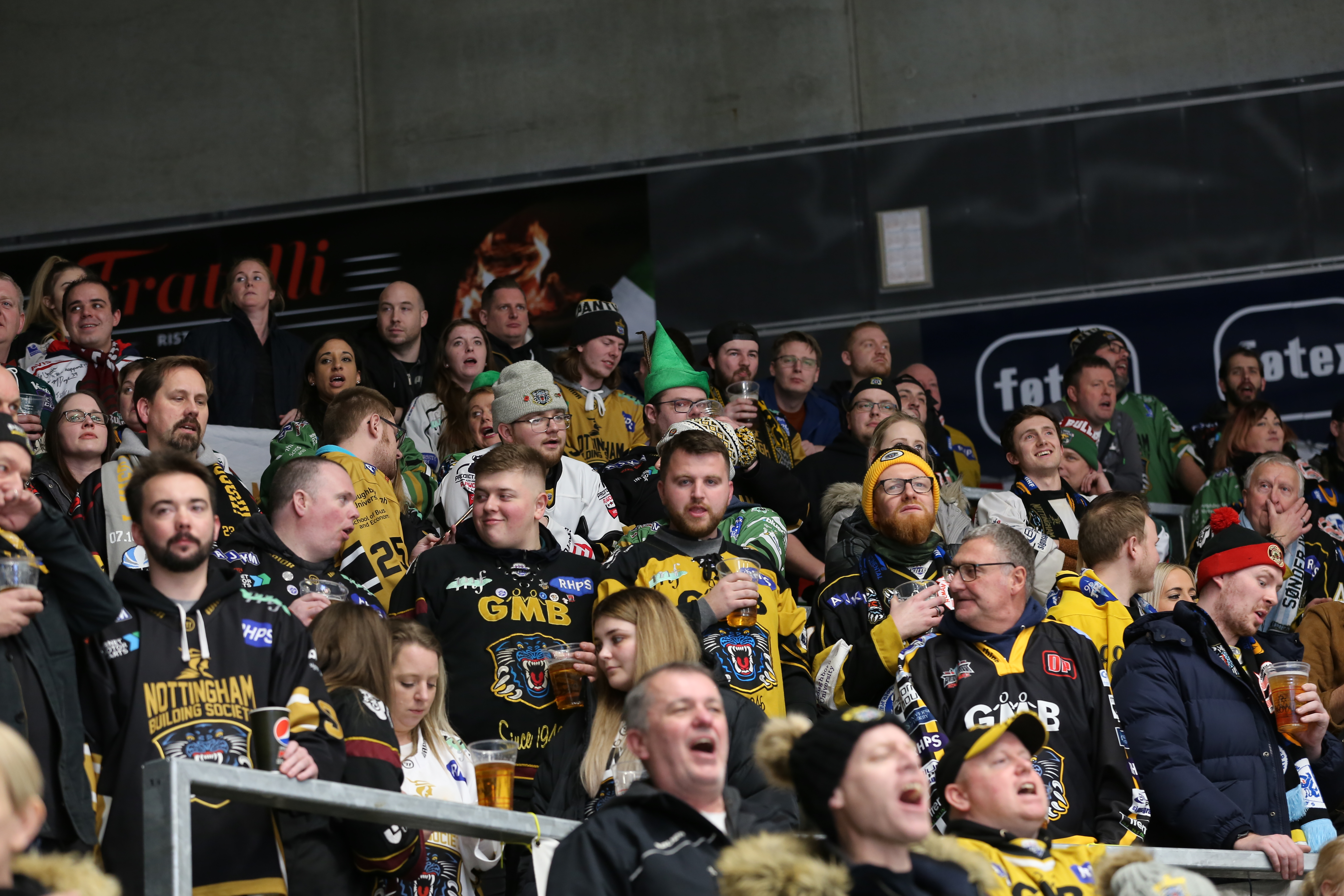 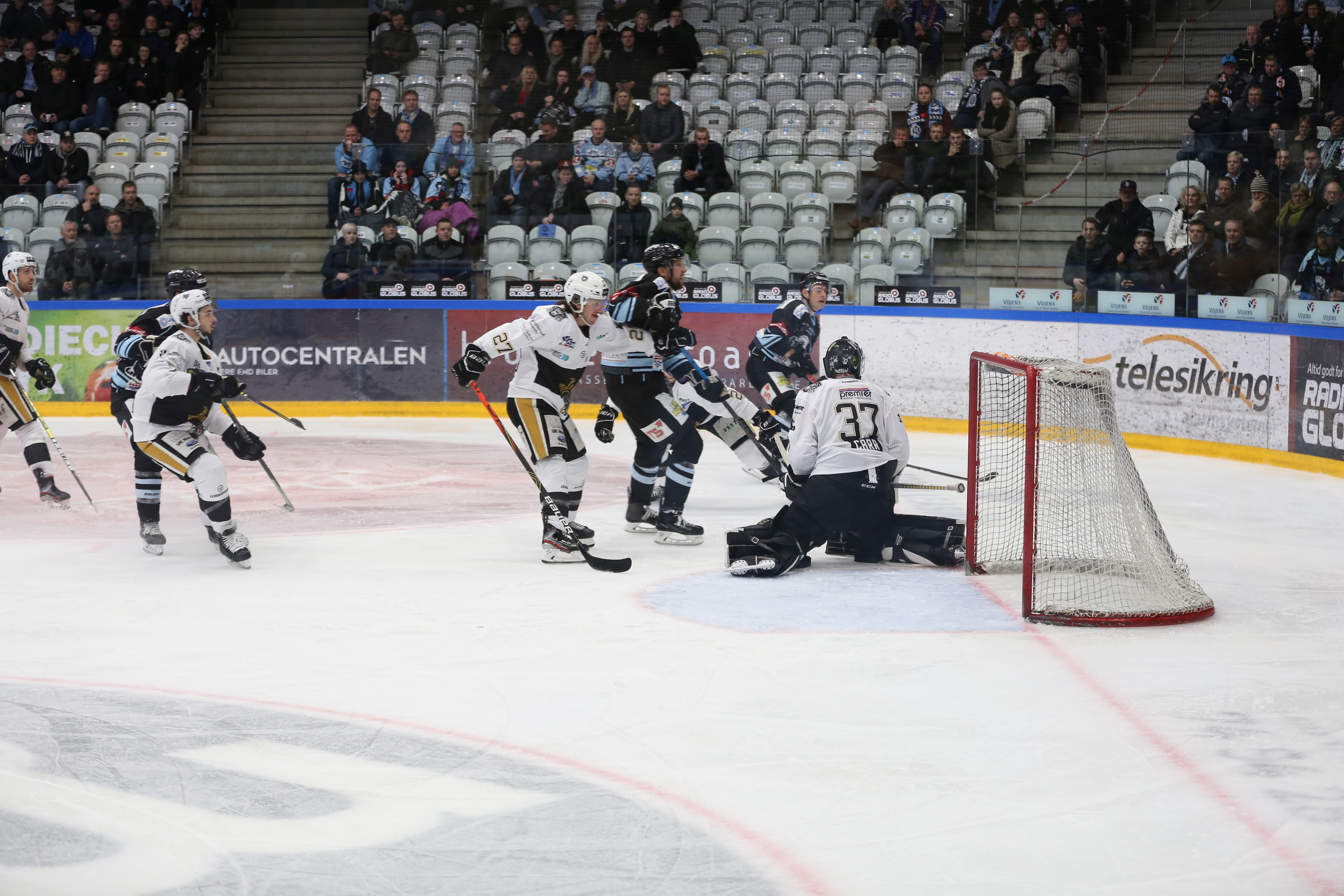 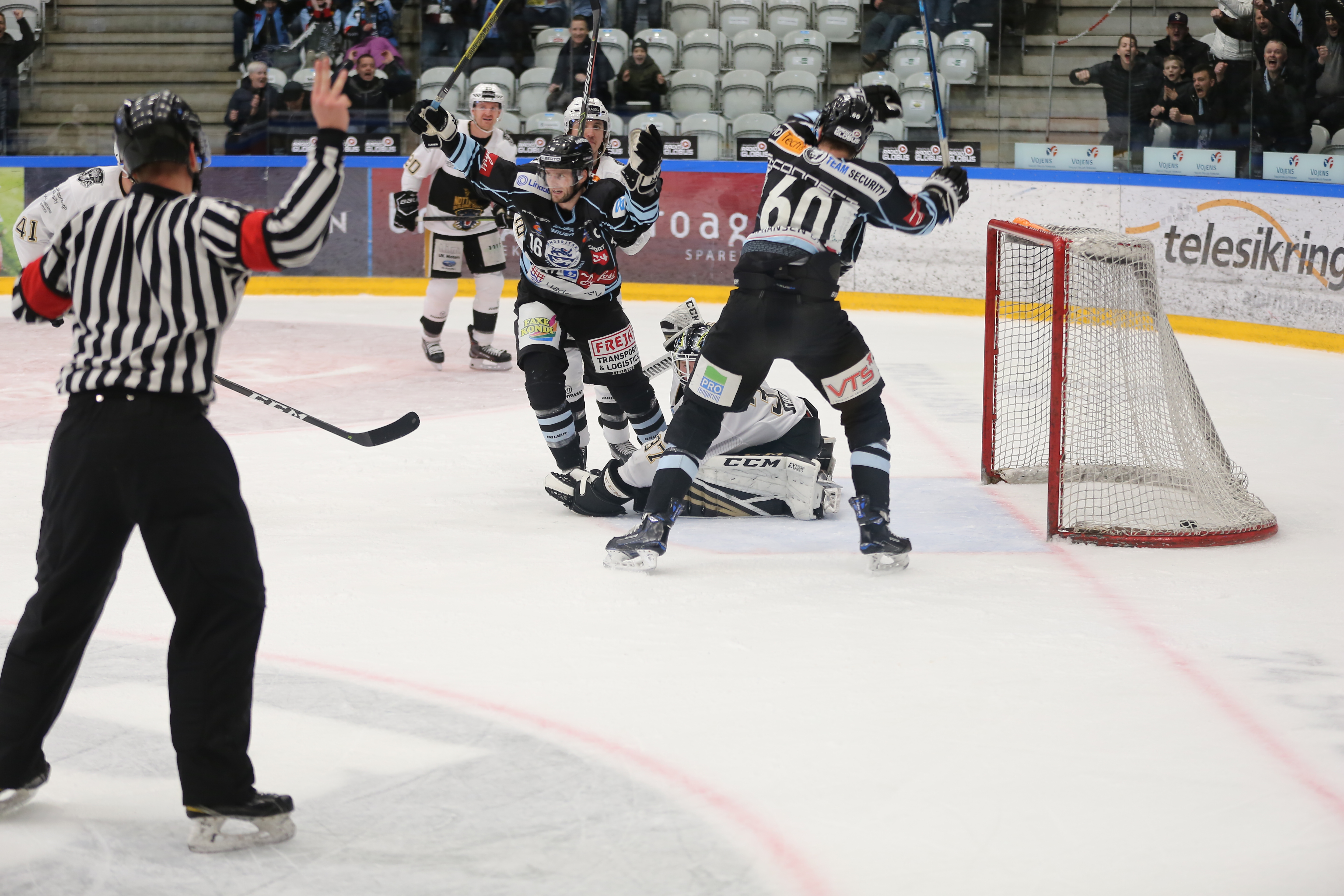 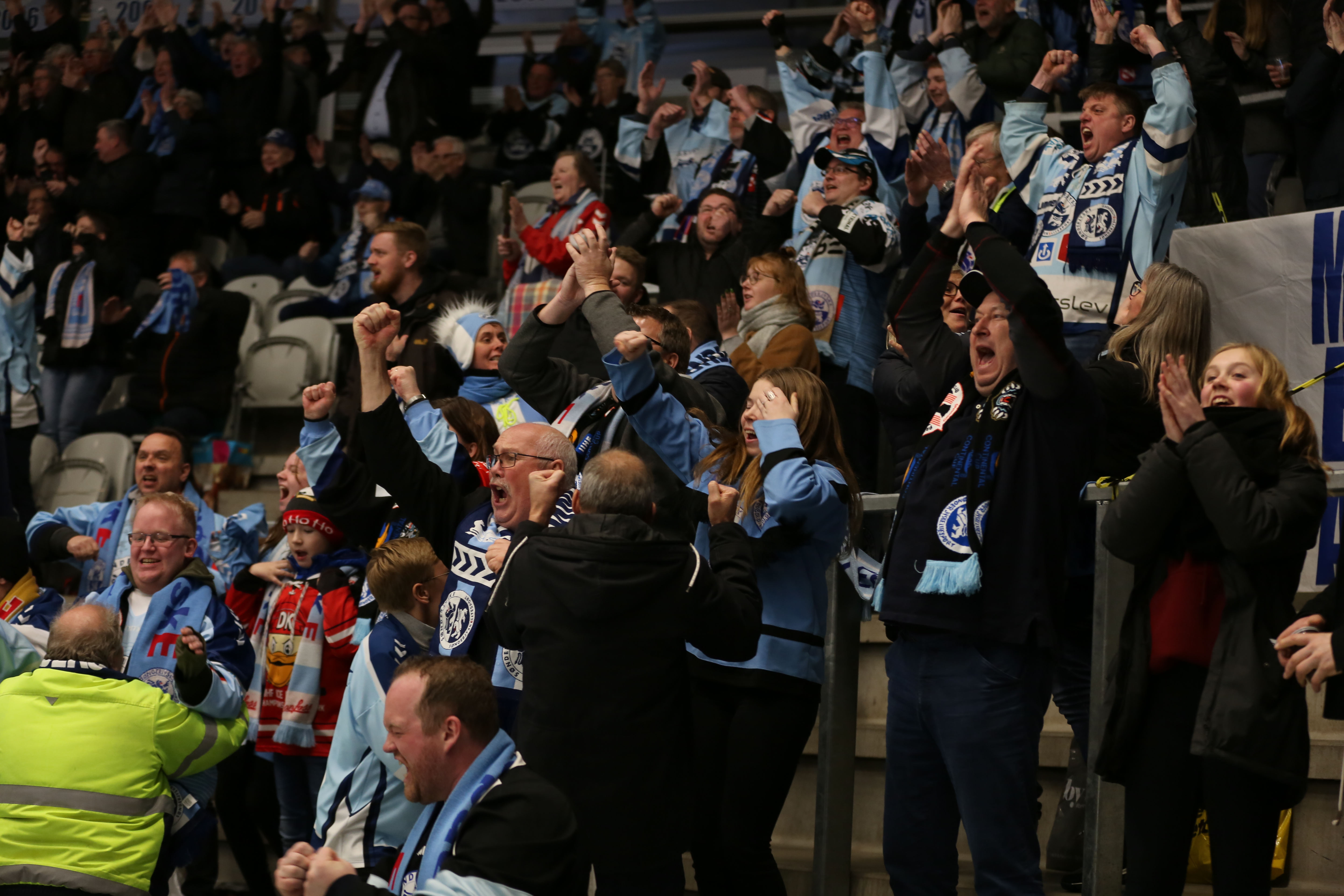 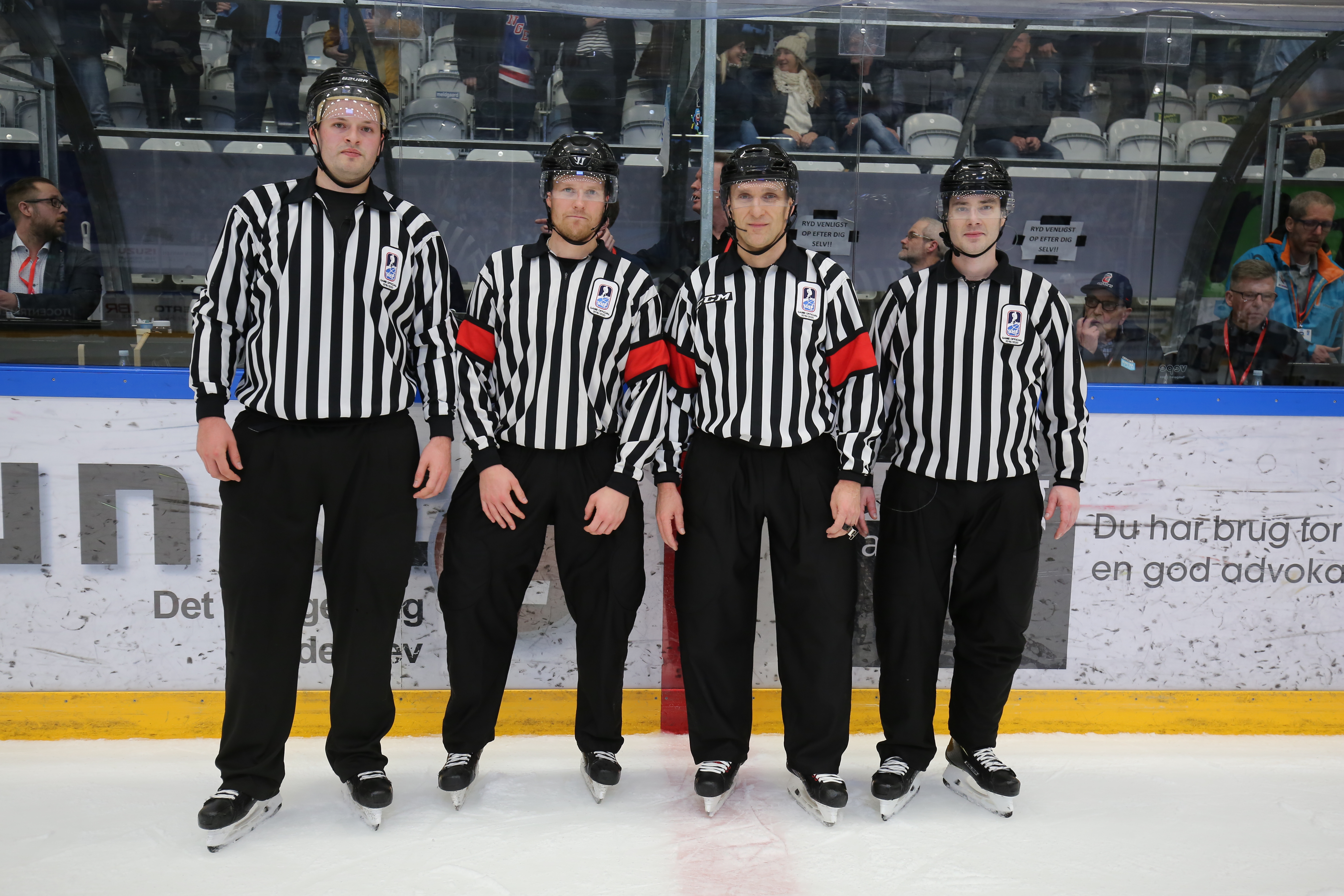 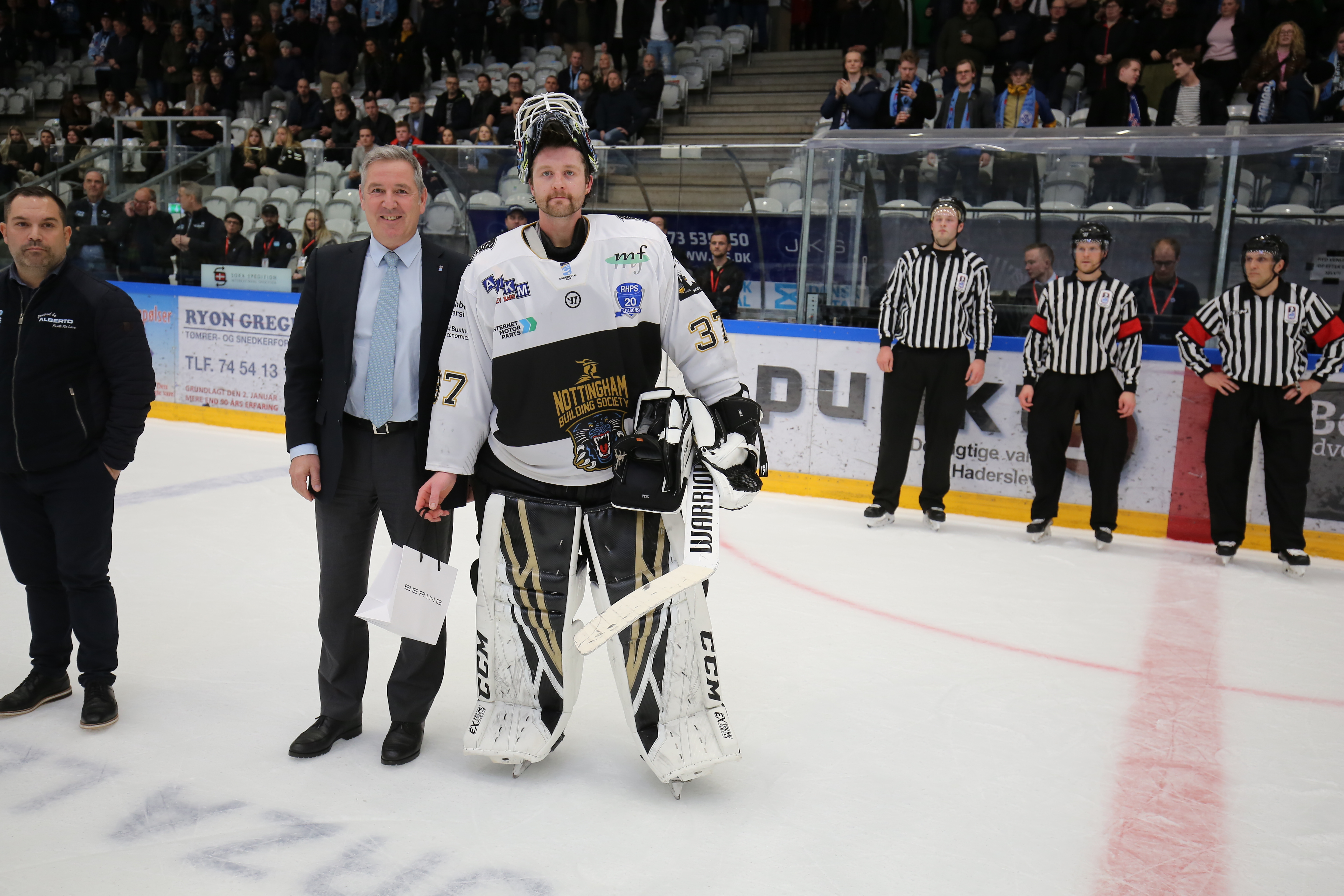 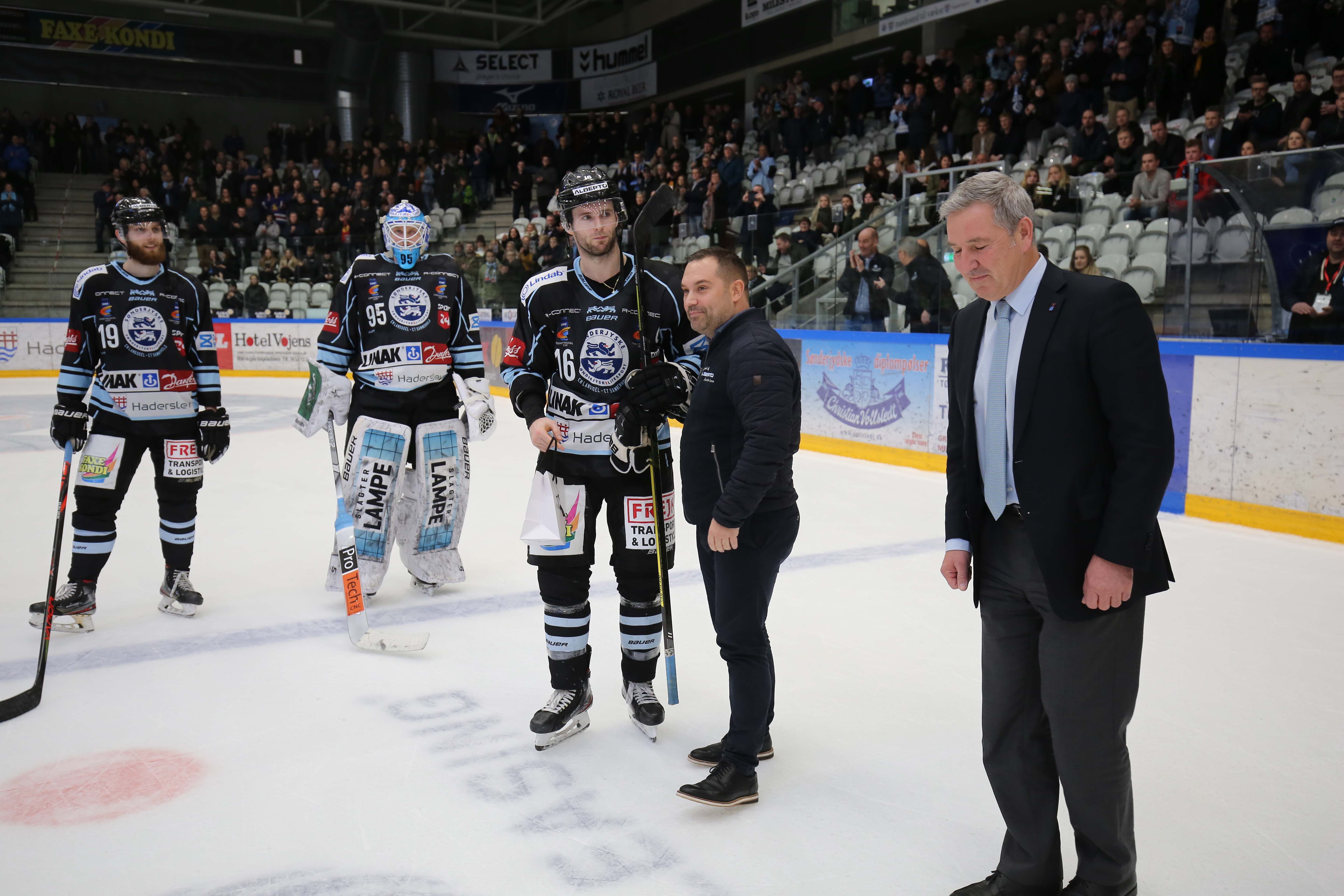 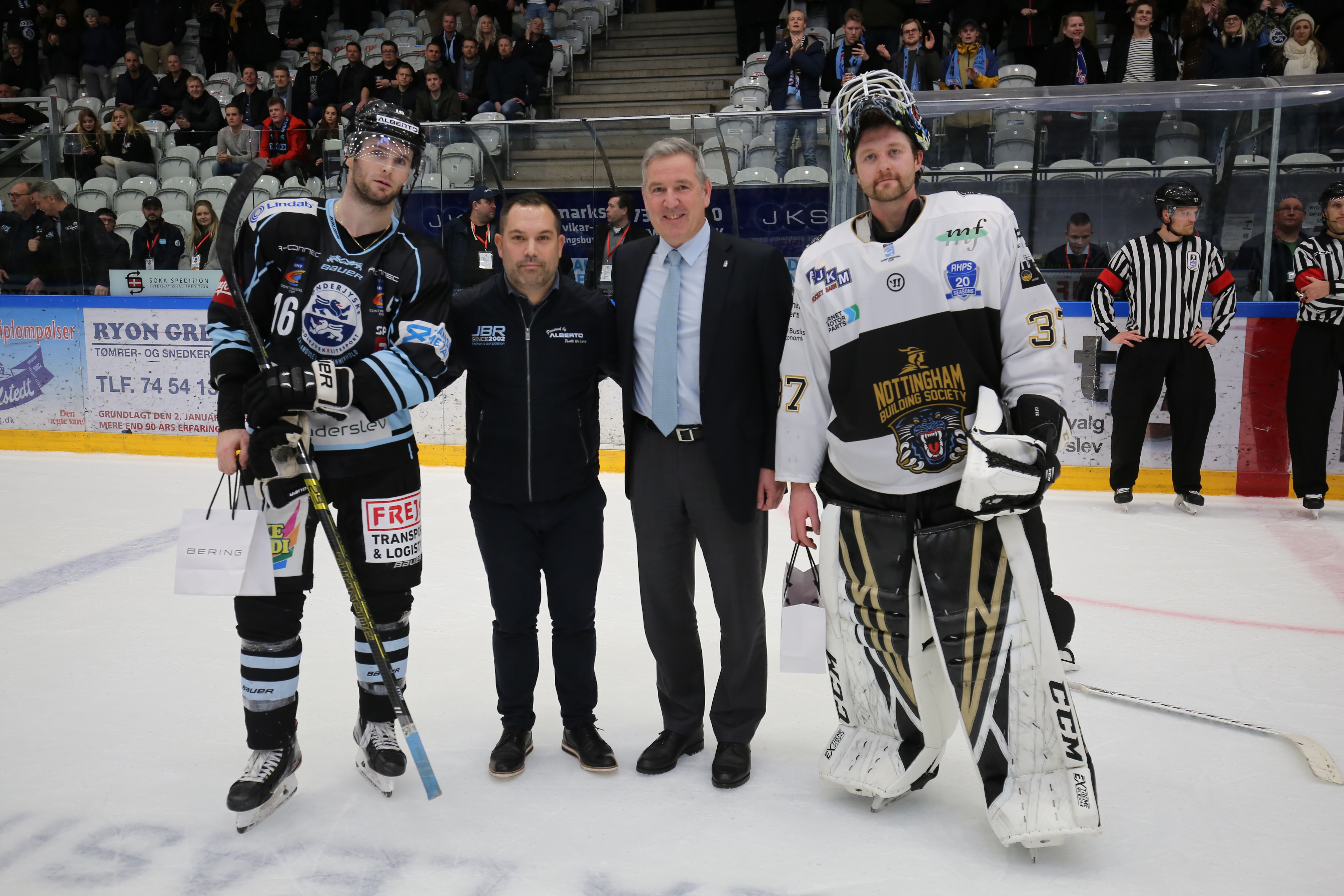 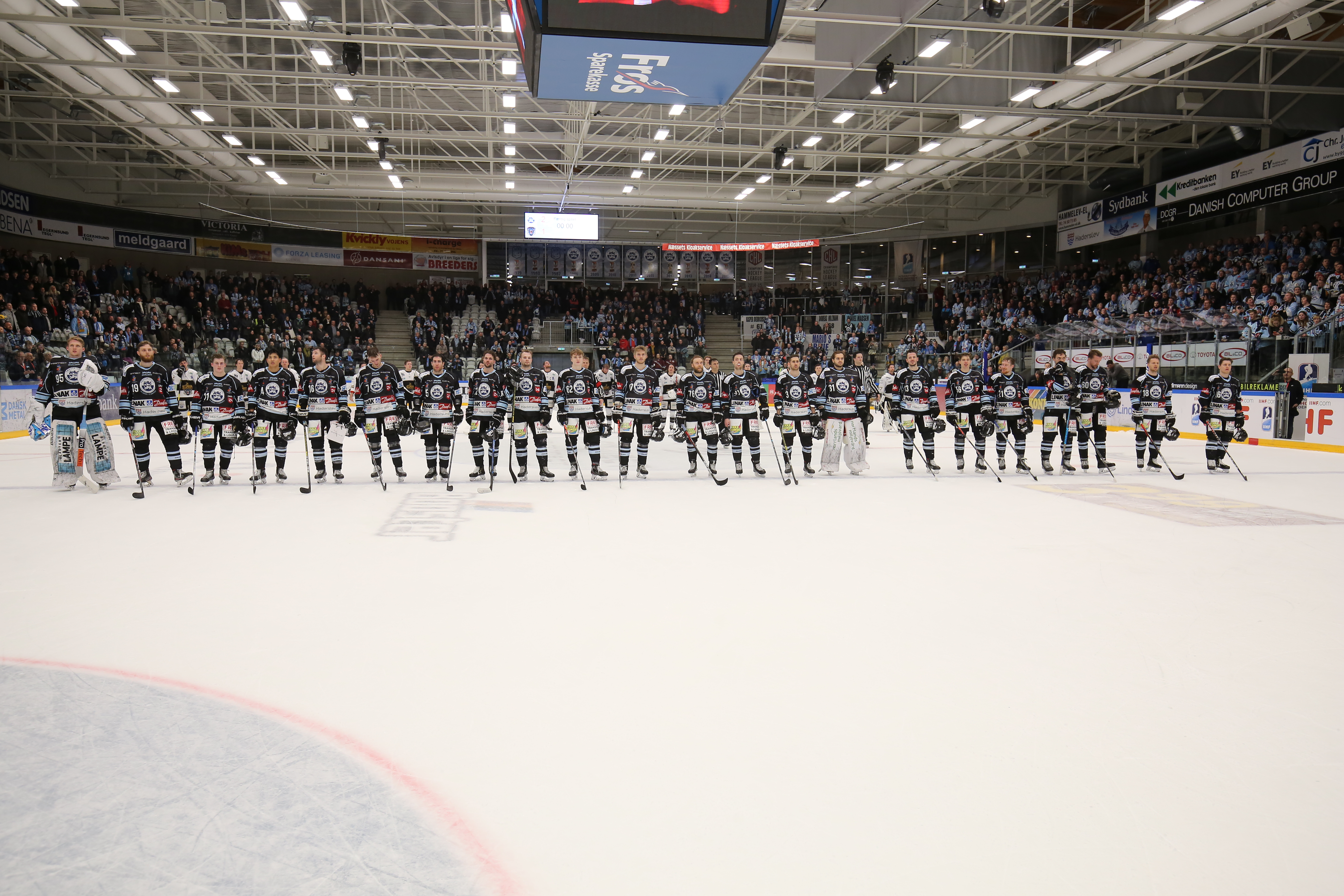 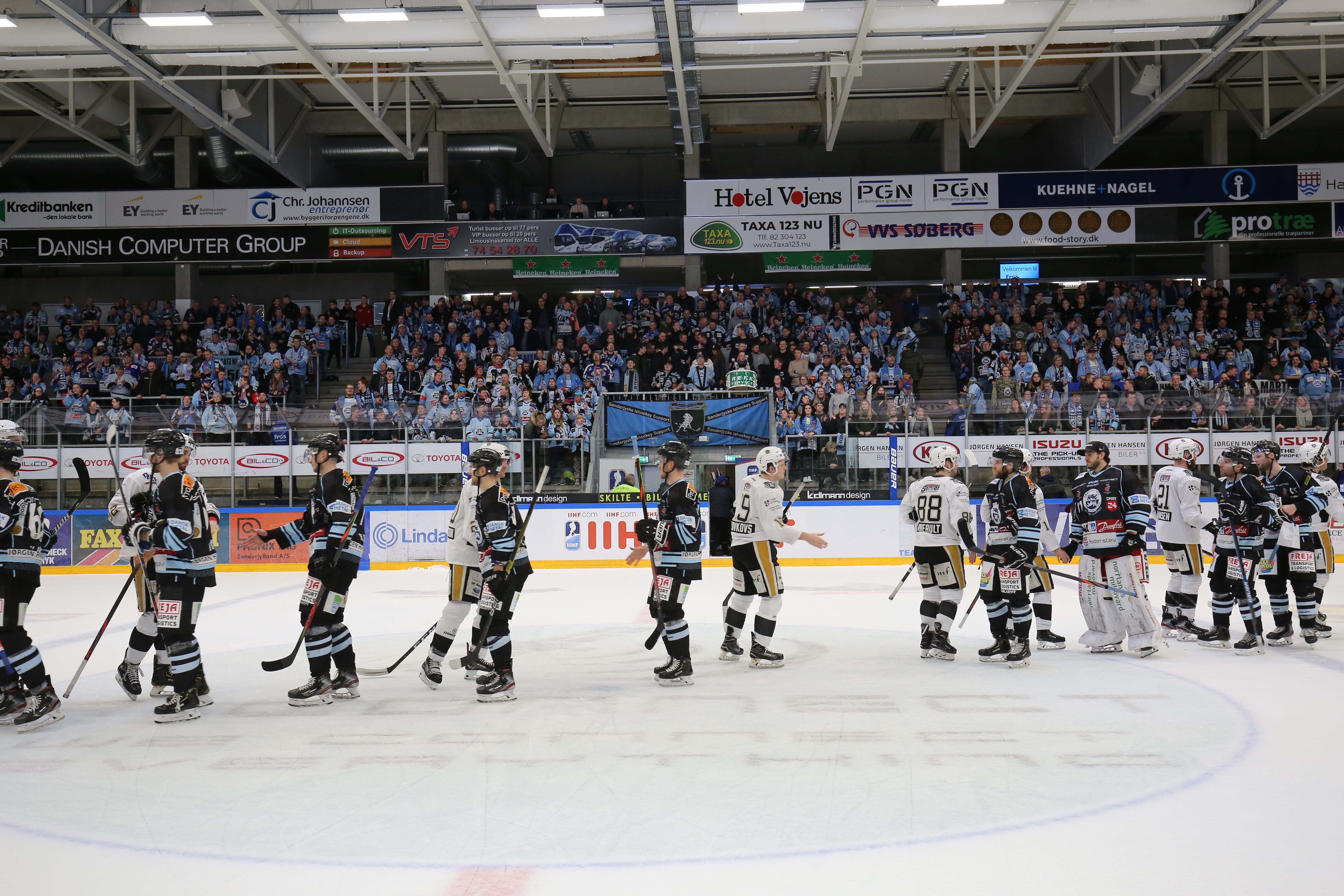