Dutch crush Mexico in opener
photo: Carles Iturbe
share
The Netherlands kicked off the Olympic Qualification campaign with a convincing 17-1 victory over Mexico in the opening action in Group L in Barcelona.

Bartek Bison, a 21-year-old forward in his first season with the Tilburg Trappers, grabbed a hat-trick. Born in Amsterdam but with Polish ancestry, the youngster has four seasons of experience in North America and made his senior international debut in last season's World Championship Division IB campaign. Experienced Limburg forward Nick Verschuren went one better, scoring four as the men in orange piled up the goals.

Bison's Trappers team-mates form a big part of this roster, where national team coach Bo Subr also works behind the bench, and it was no surprise that the opening goal was made in Tilburg. Jordy van Oorschot played Bison beyond the Mexican defence and the youngster made no mistake to open the scoring after just 46 seconds. After 63 seconds it was 2-0, with Stijn Knoop doubling the lead to set the Dutch emphatically on their way.

After that fast start, there was another swift salvo as Nick Vershcuren and Jonne de Bonth took the lead out to 4-0 with just 5:41 on the clock.

"We started off strong here and got some confidence going into a small tournament," Bison said after the game.

Mexico got on the board at last midway through the opening frame thanks to Santiago Sierra. His tenacity forced a turnover in the Dutch zone and on the second phase of the attack he made it to the slot to convert a Jorge Perez pass from behind the net.

That gave the Mexicans a much-needed boost and there was another big opportunity soon afterwards when the team had more than a minute on a 5-on-3 power play. However, the Netherlands closed the door on that occasion and wrapped up the opening frame with another quickfire goal double. Jordy Verkiel’s fine individual effort made it 5-1 and straight from the face-off Jord Smit collected his third assist of the game when he fed Nick Verschuren for number six. Such was the Dutch dominance that Mexican goalie Gerardo Garcia de Valle made 21 saves in the opening frame in addition to the six shots that beat him.

"I guess we kinda stepped down to their speed a little [after that fast start], maybe we backed down a little," Bison added. "But we found our game again in the second and third period, so that was OK."

In the second period, Bison potted his second of the game to extend the Dutch lead as Mexico’s Sierra sat for double minor. And the Netherlands extracted full value from that tariff when a clearance came straight back into the Mexican zone for Danny Stempher to make it 8-1. The end of the second period brought another flurry of goals. Jasper Nordemann struck on the power play, Joy Turpijn brought up double figures and Raymond van der Schuit made it 11-1 at the end of the frame. Mexico was unable to register a shot on Frederik Meierdres' net in that second period.

The third period continued in similar fashion. The Dutch dictated the play, the Mexicans worked hard to limit their scoring opportunities. But a string of penalties early in the session took their toll and Stempher lifted a wrister into the roof of the net to made it 12. Bison's big moment came soon afterwards as he got his third goal of the game, completing a hat-trick in only his second senior international tournament.

That brought an end to the evening for Garcia de Valle, given a well-deserved rest after facing 77 shots in 50 minutes. Backup goalie Paulo Rivera came to the crease for the last 10 minutes and was beaten twice by Verschuren during his time on the ice, with Smit and Thomas Borgman completing the scoring.

For Bison and the Dutch, the focus is on bigger tasks ahead. "We need to stay prepared for the other two games," the hat-trick man added. "I'm not too sure about the other teams here, obviously I've never seen them play, but I know if we keep working hard then good things will happen."
Mexico vs. Netherlands - 2019 OQM Gr. L 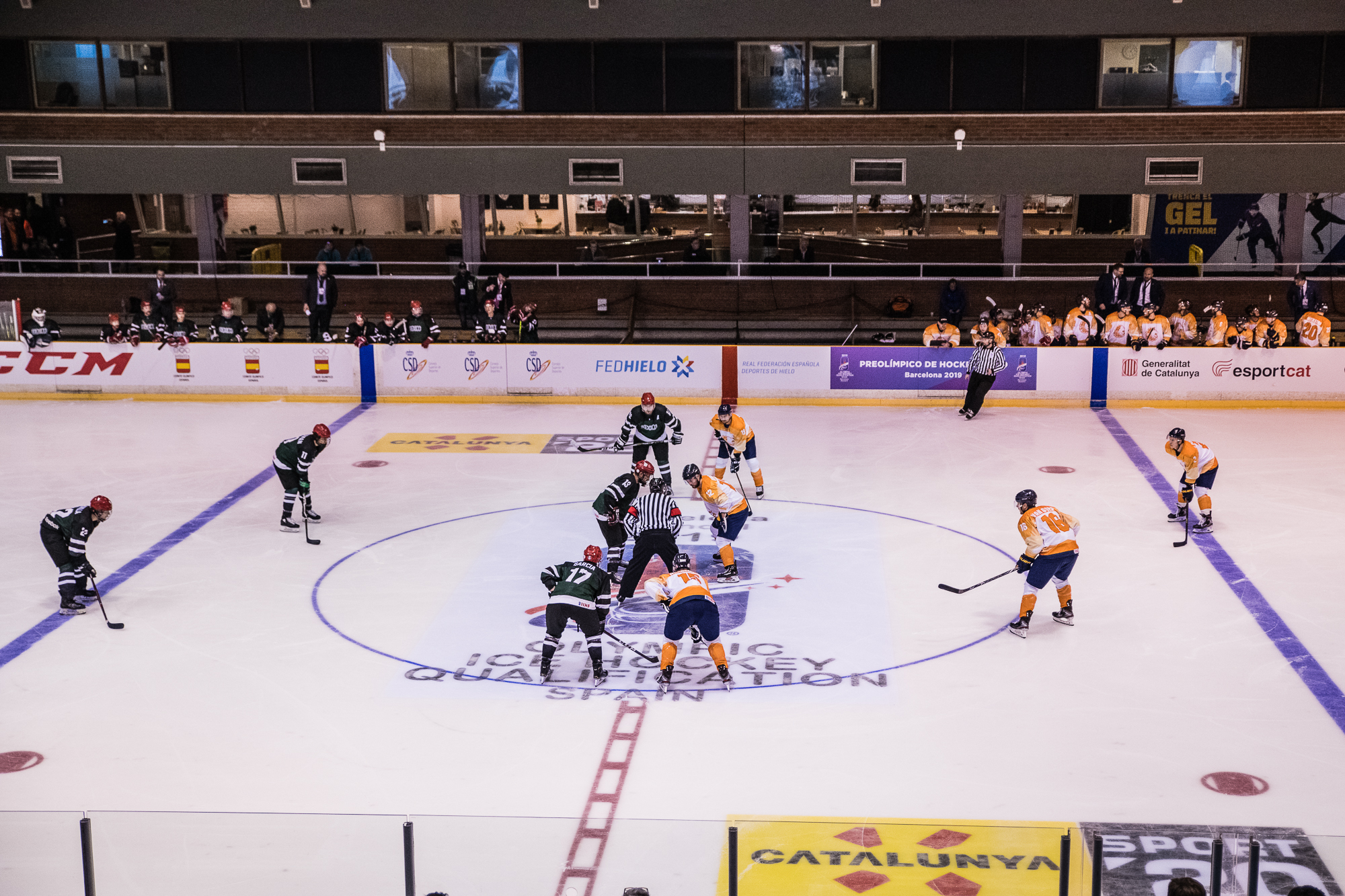 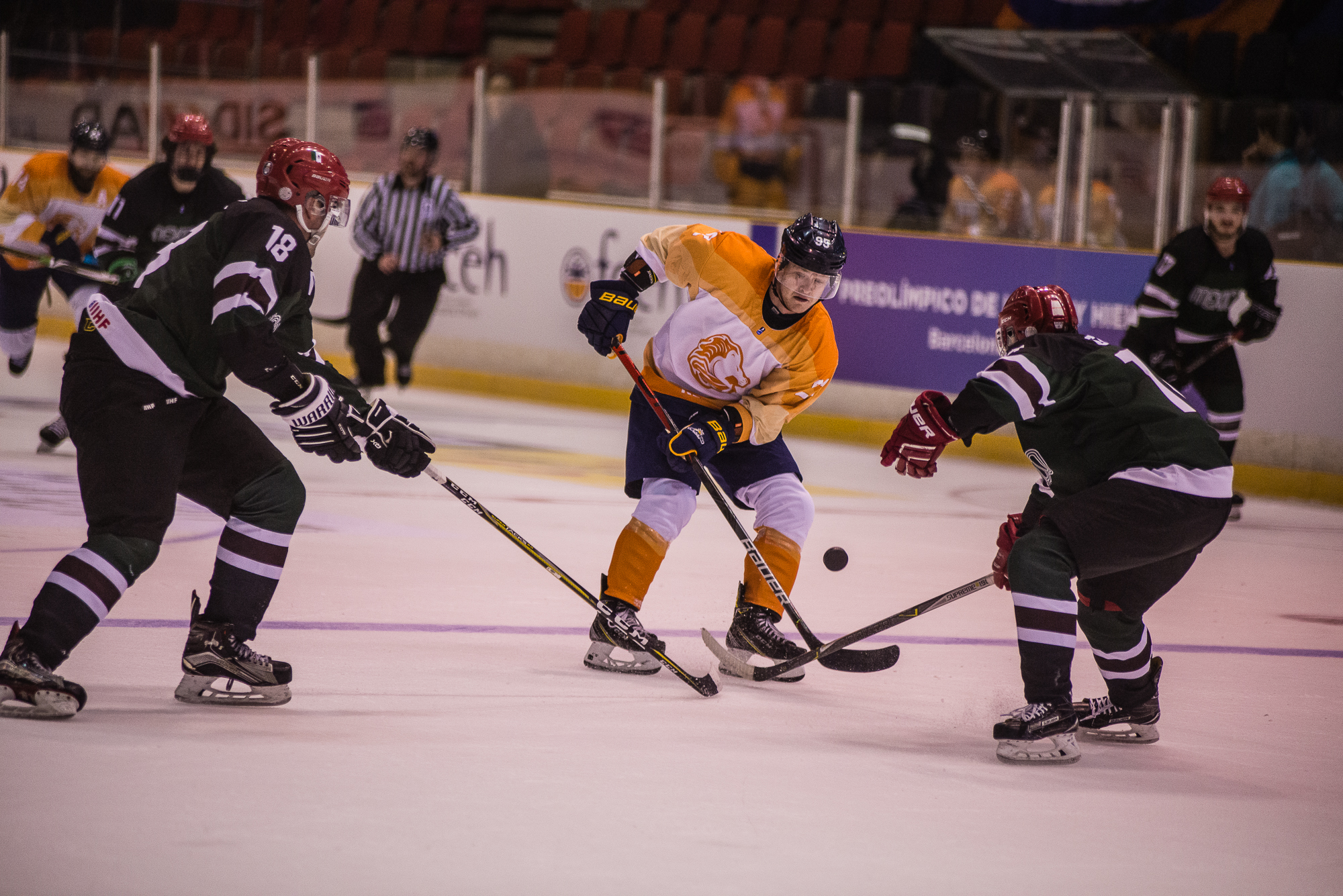 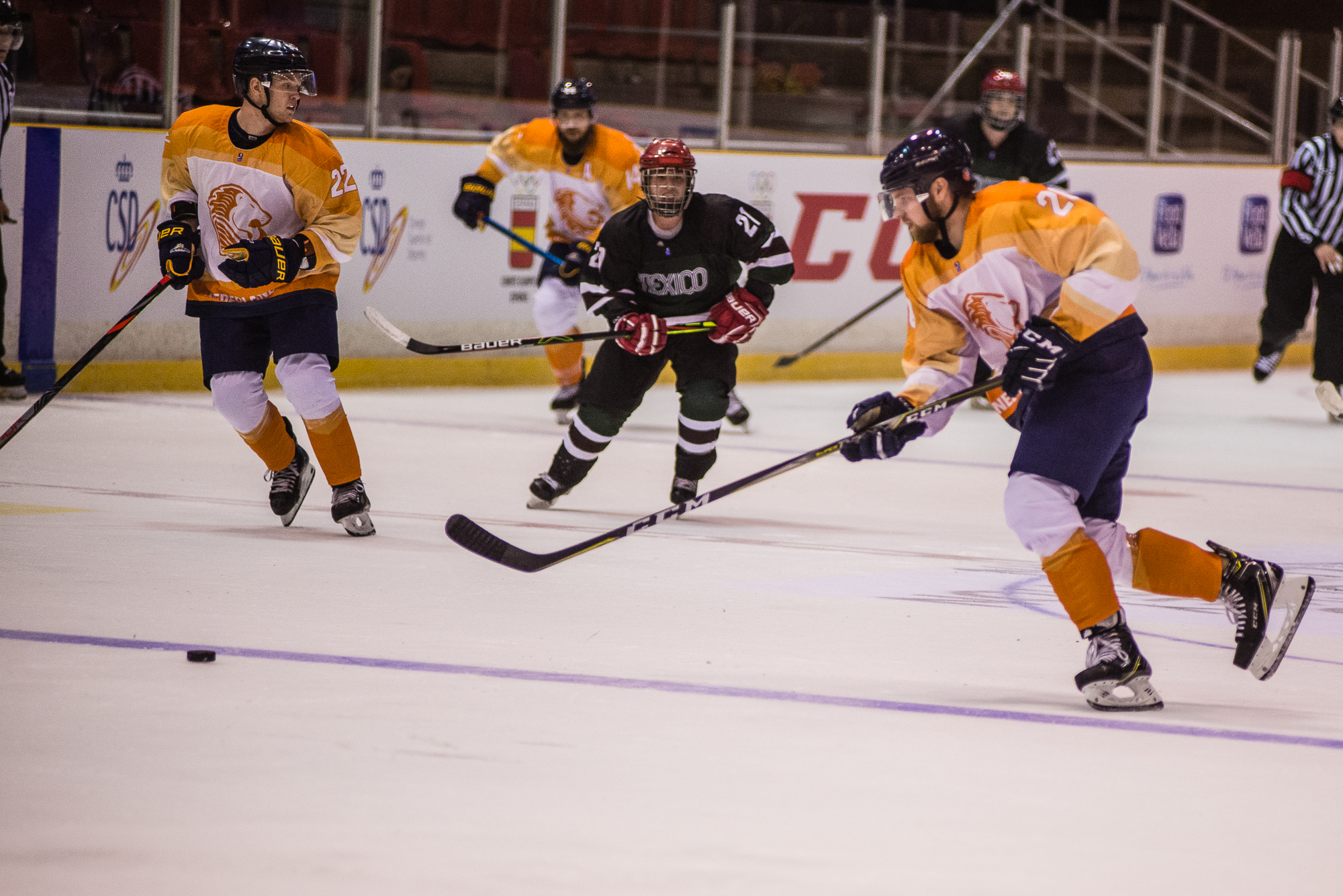 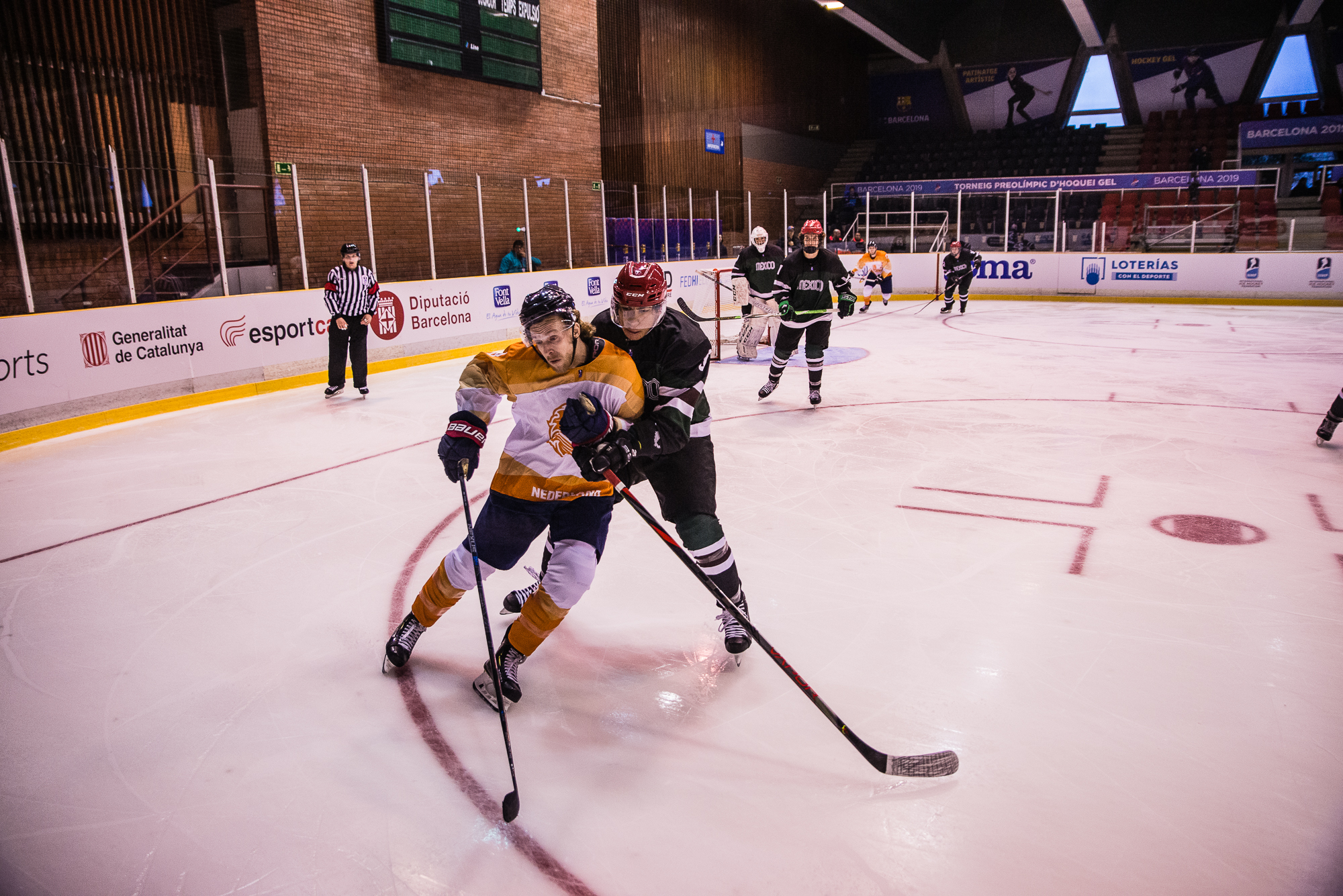 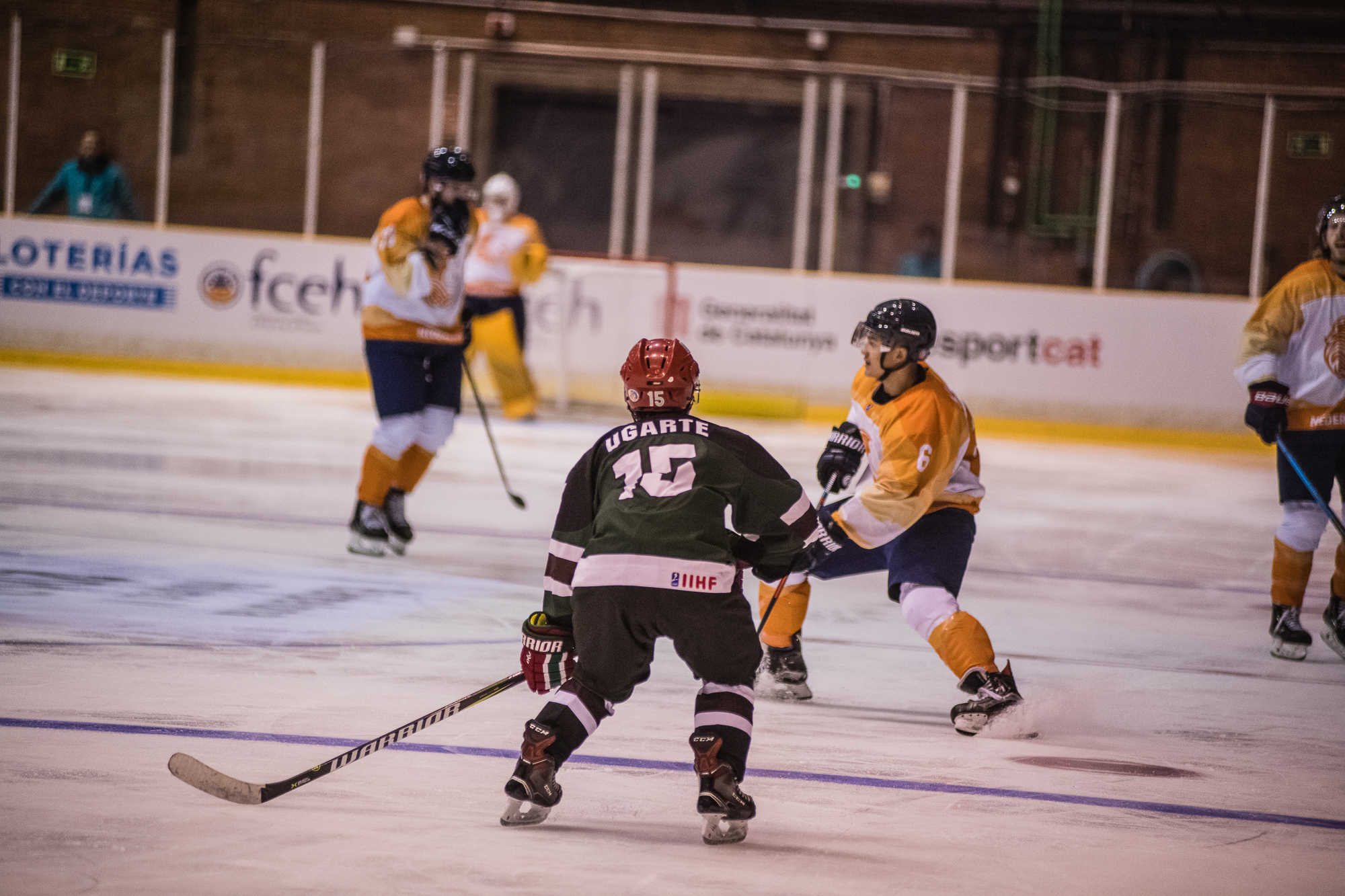 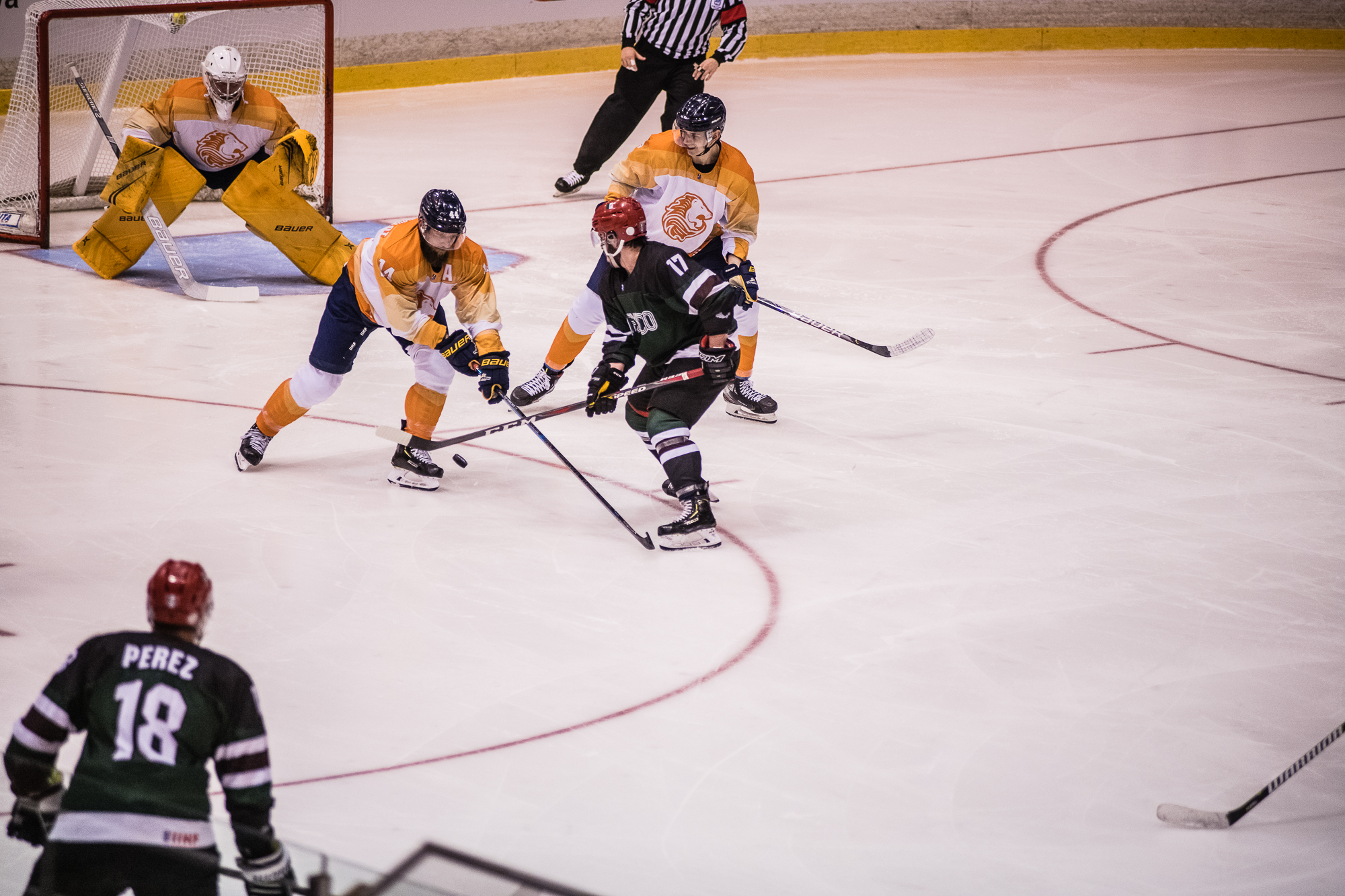 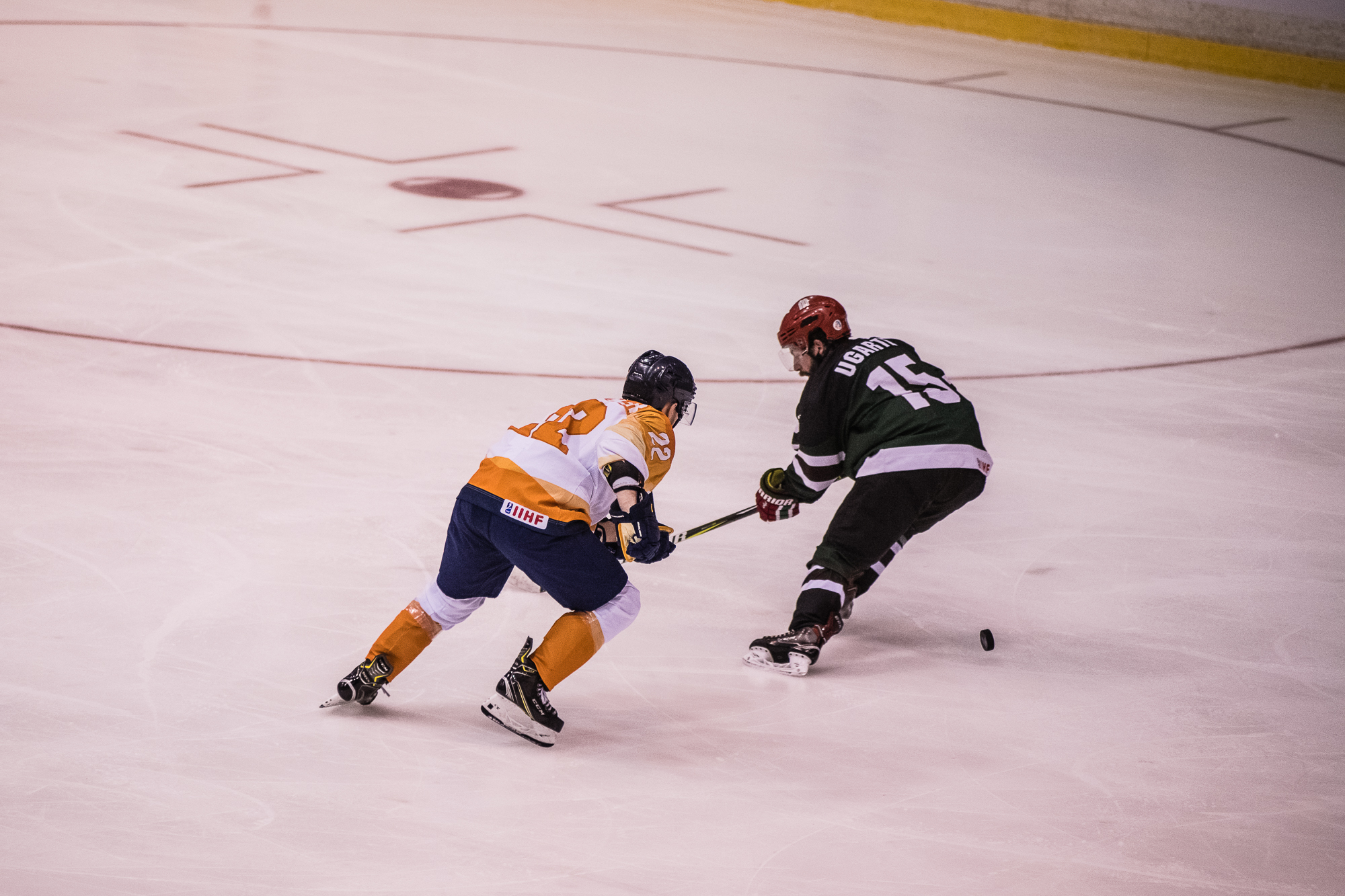 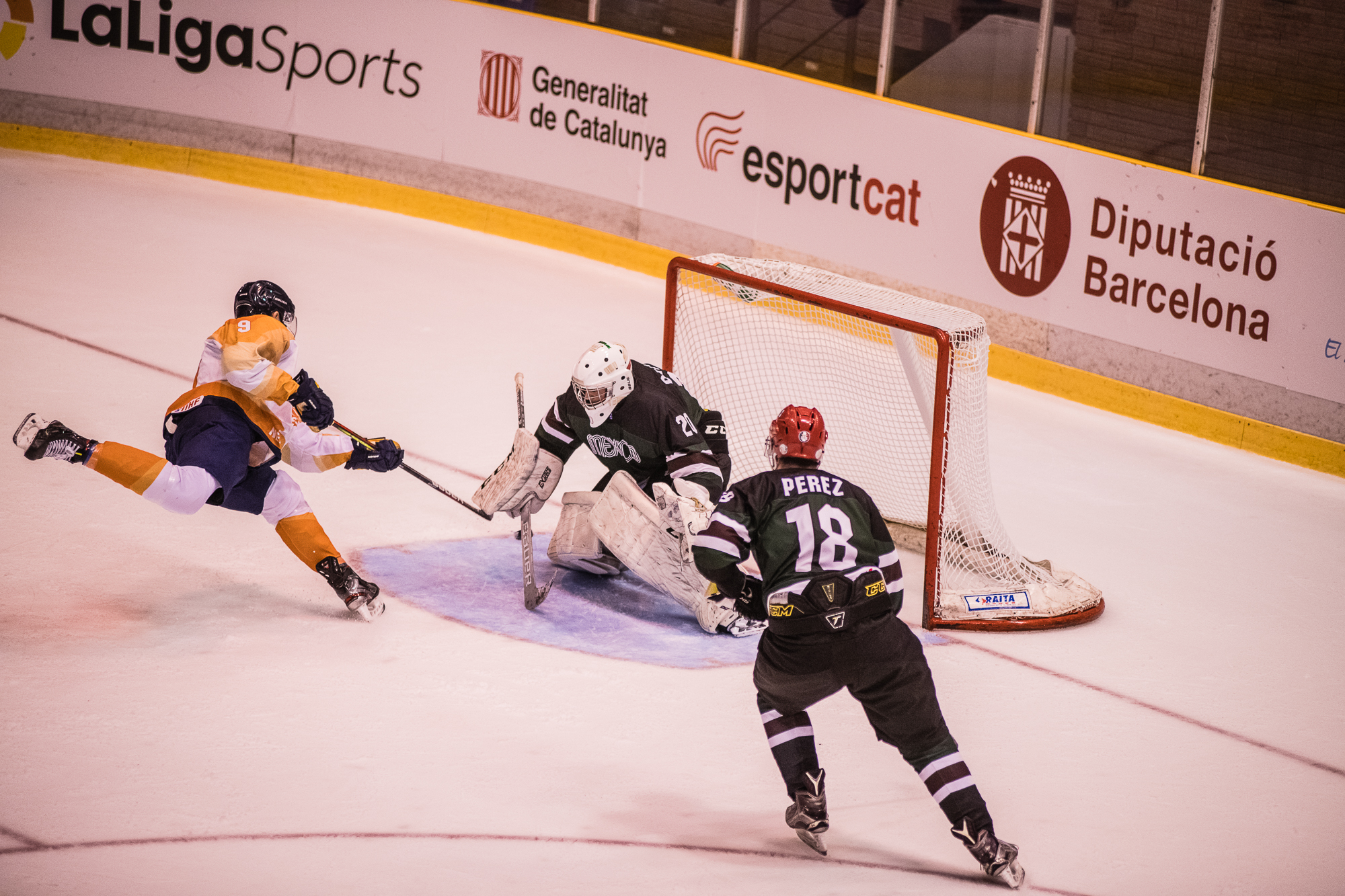 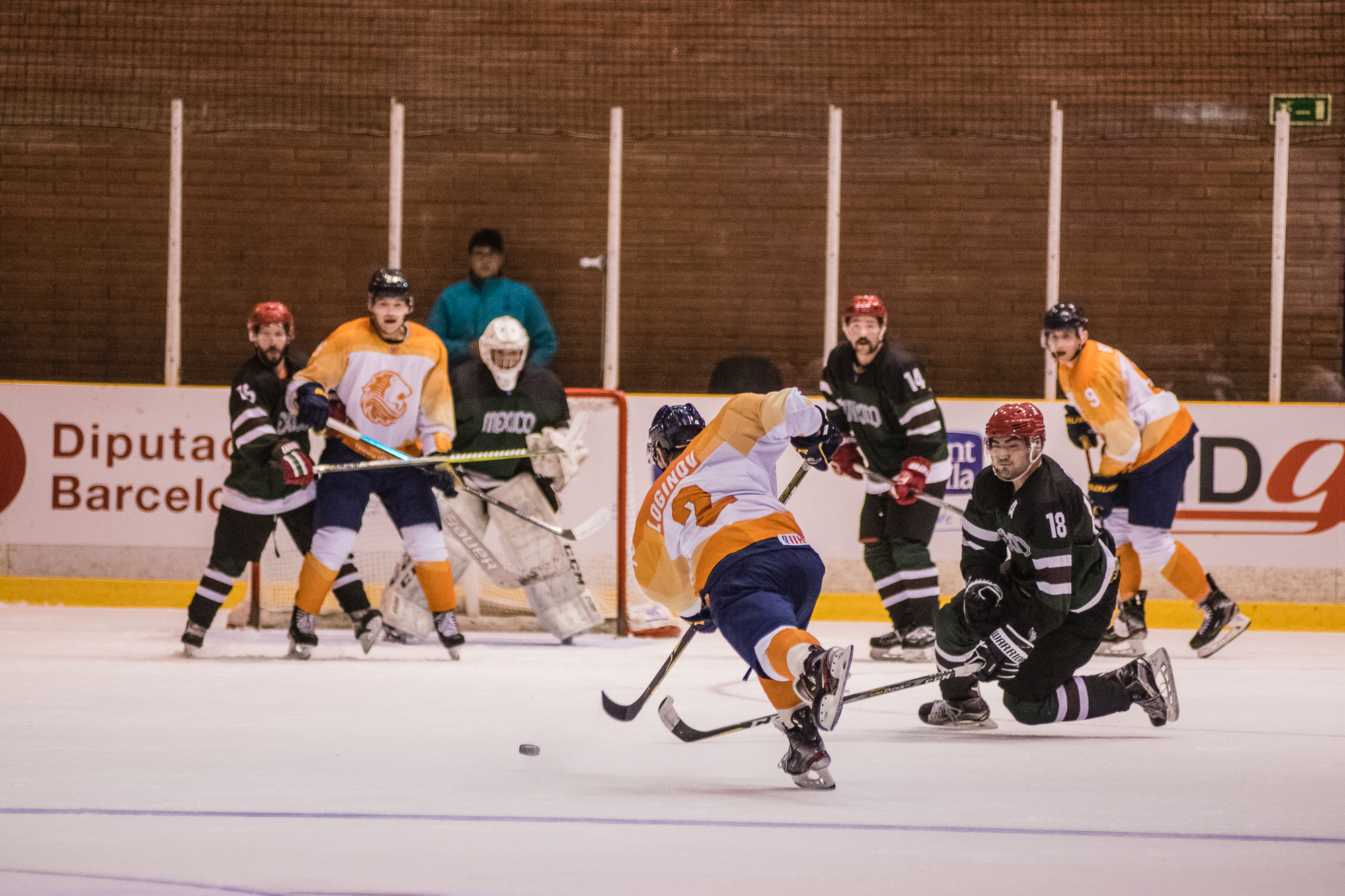 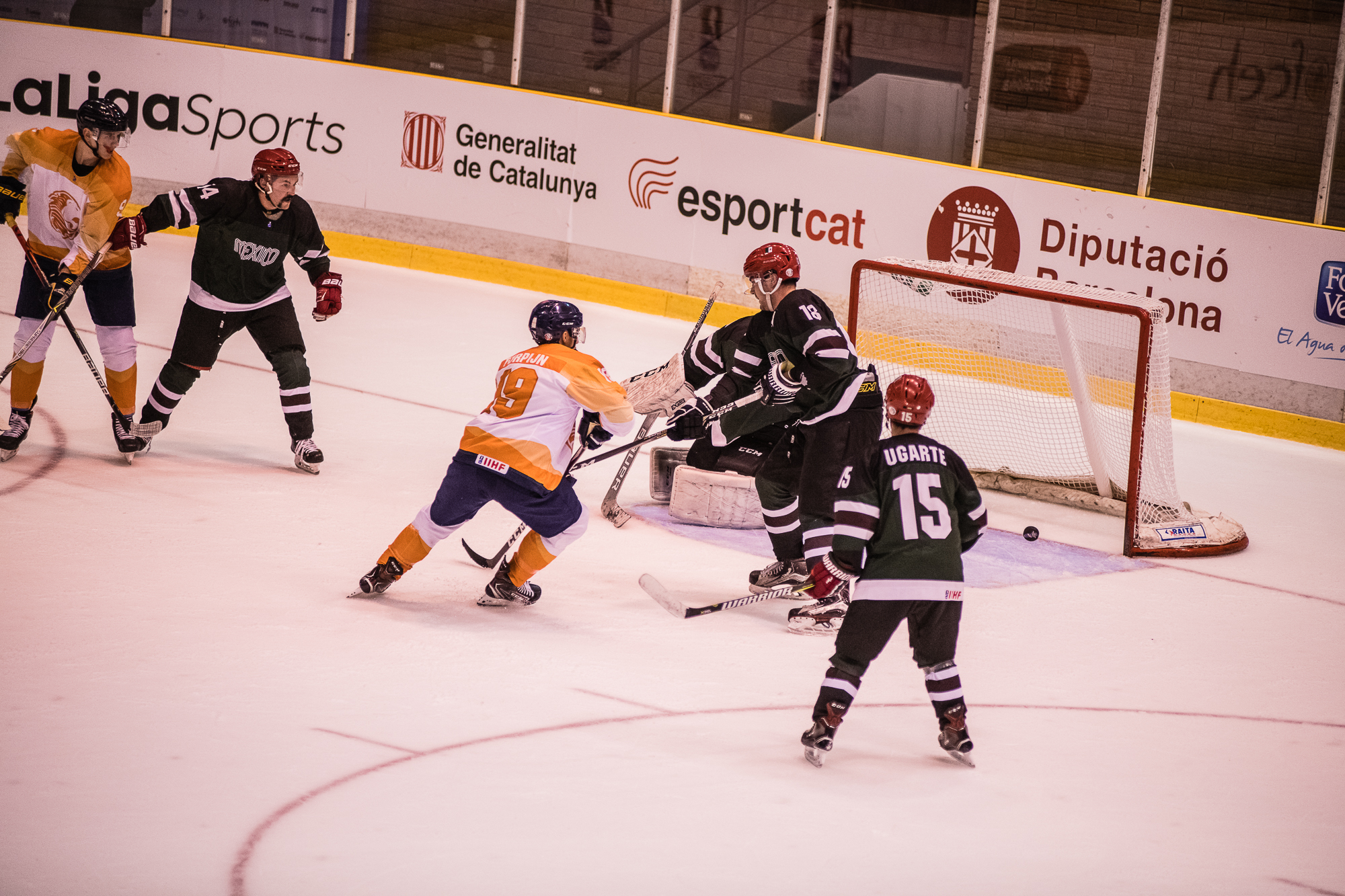 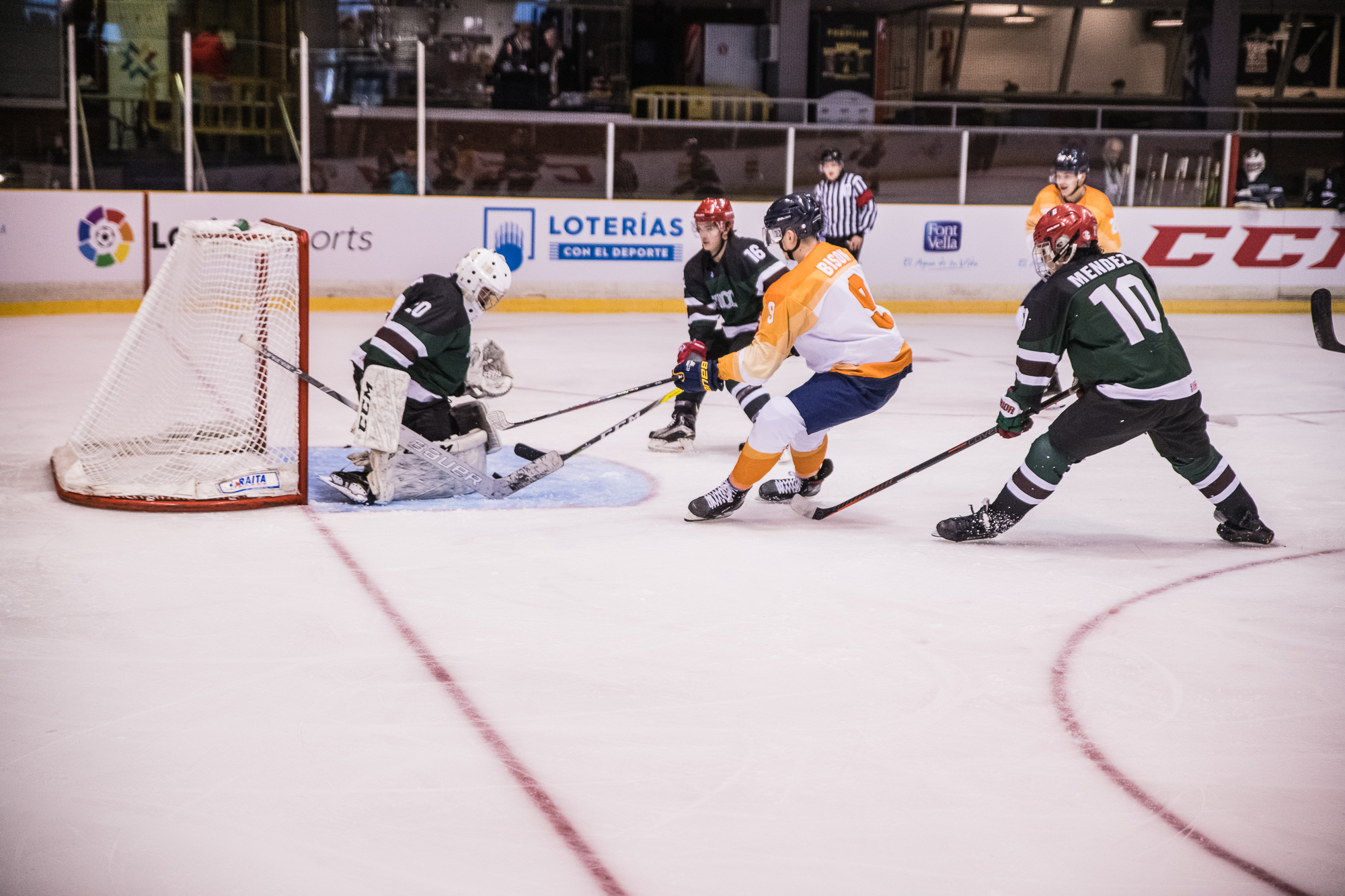 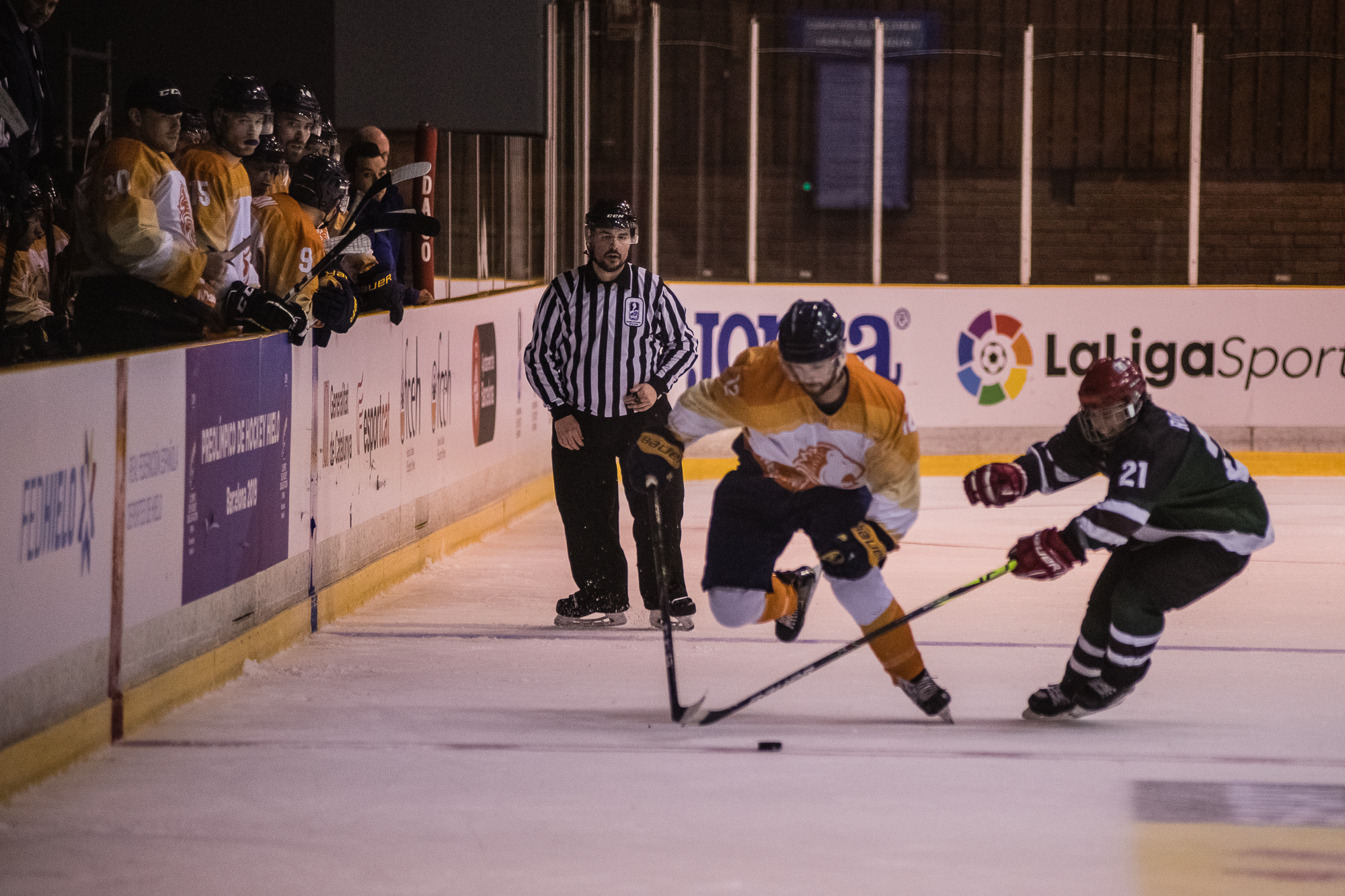 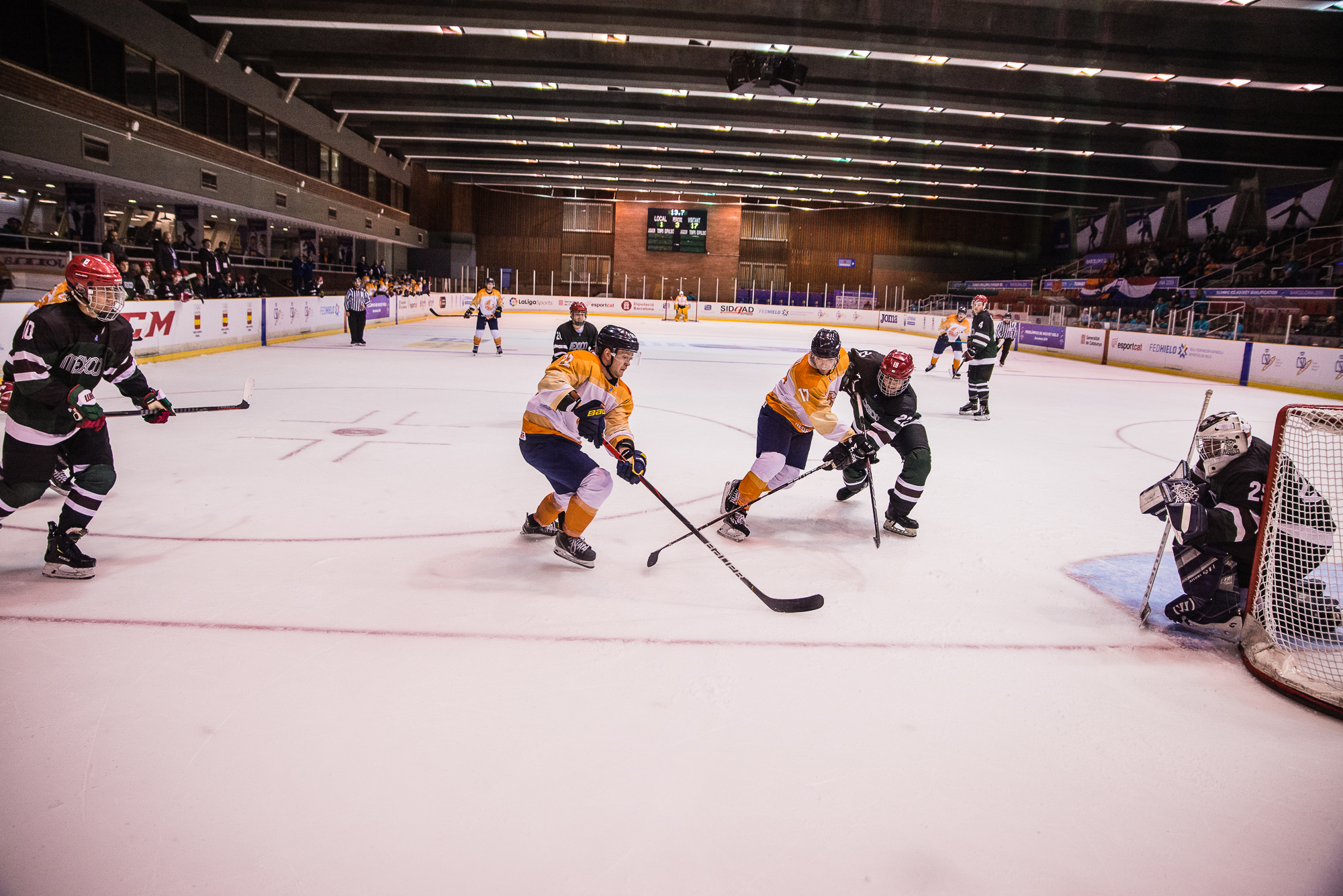 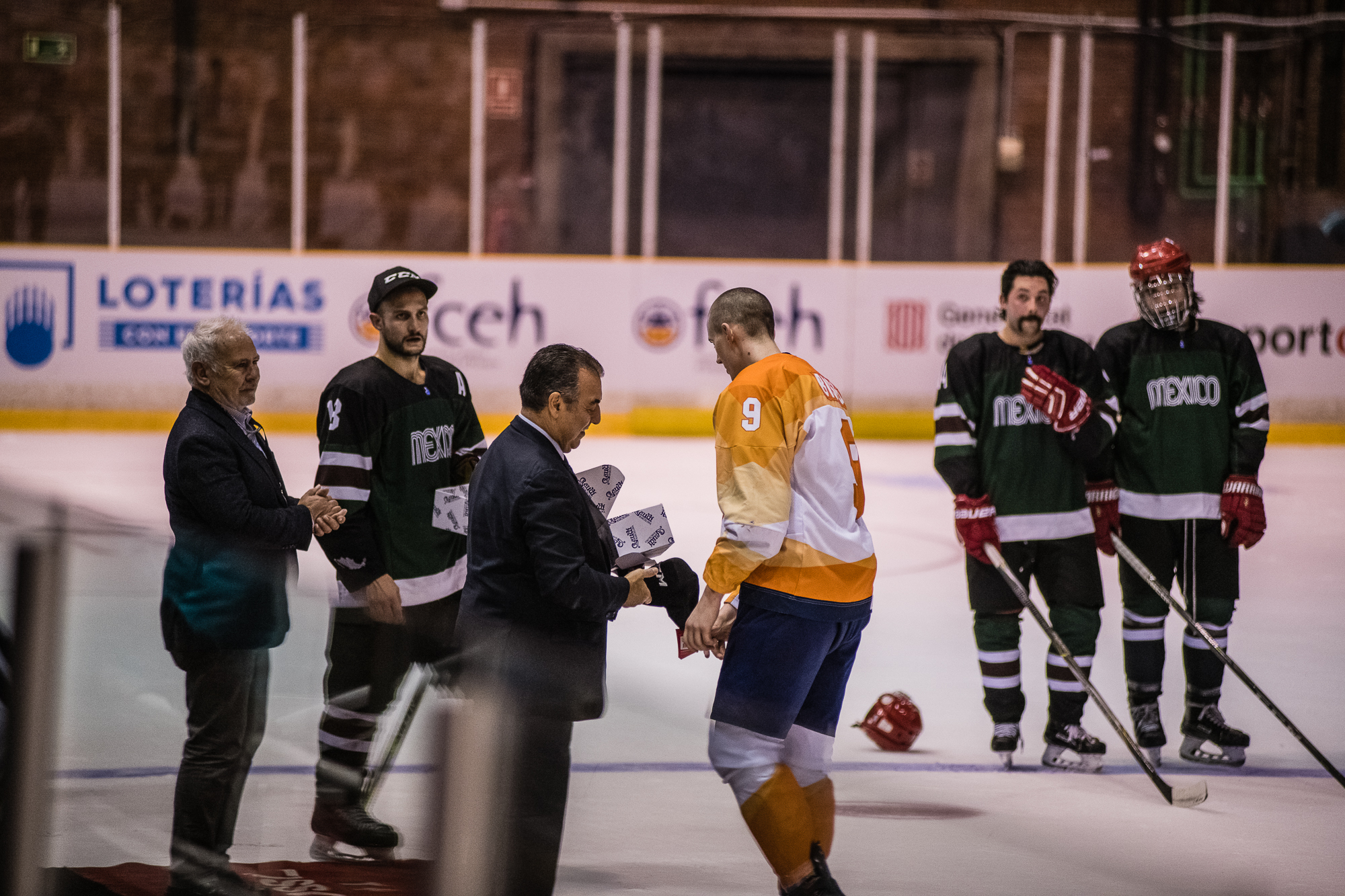 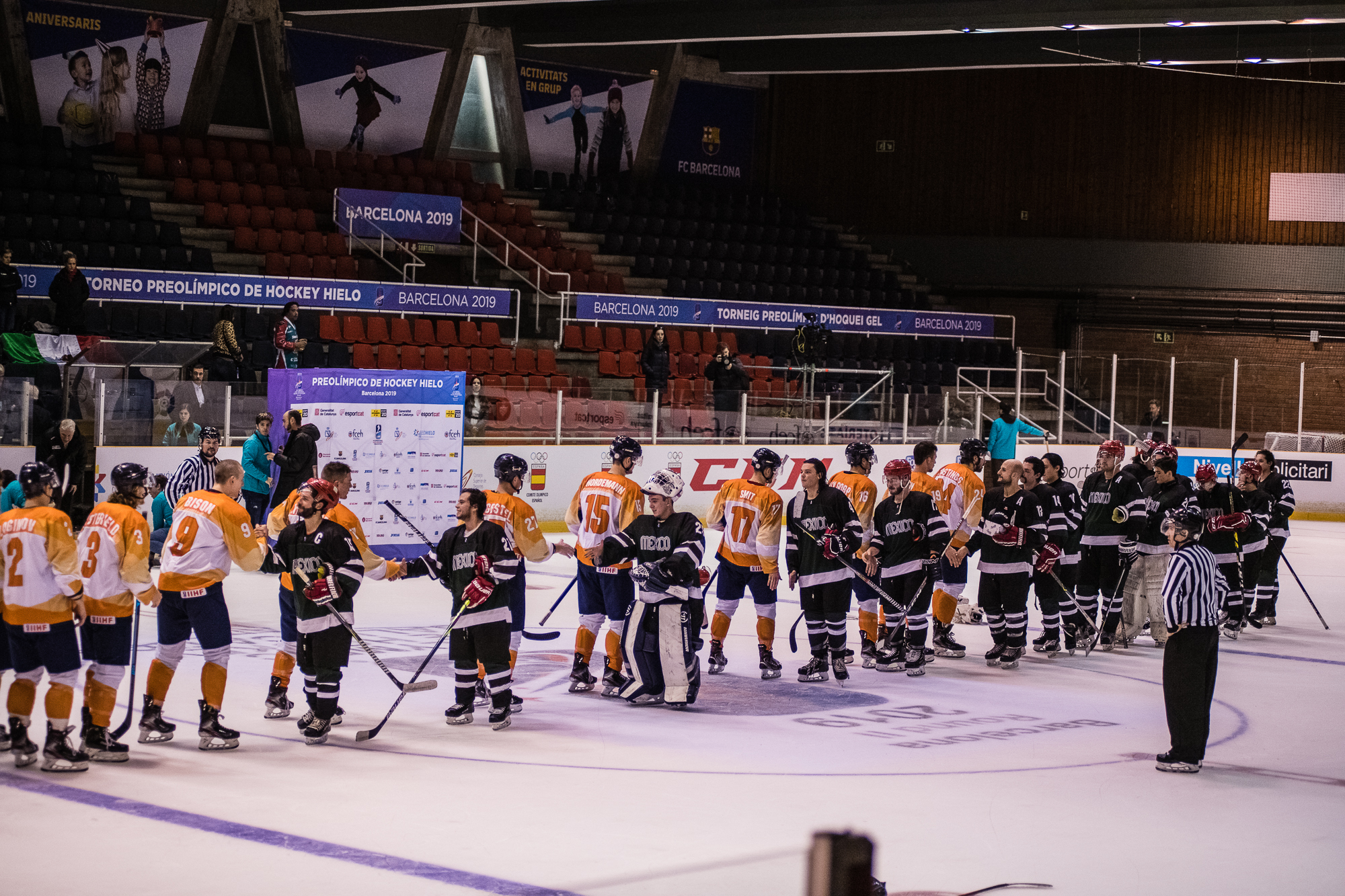 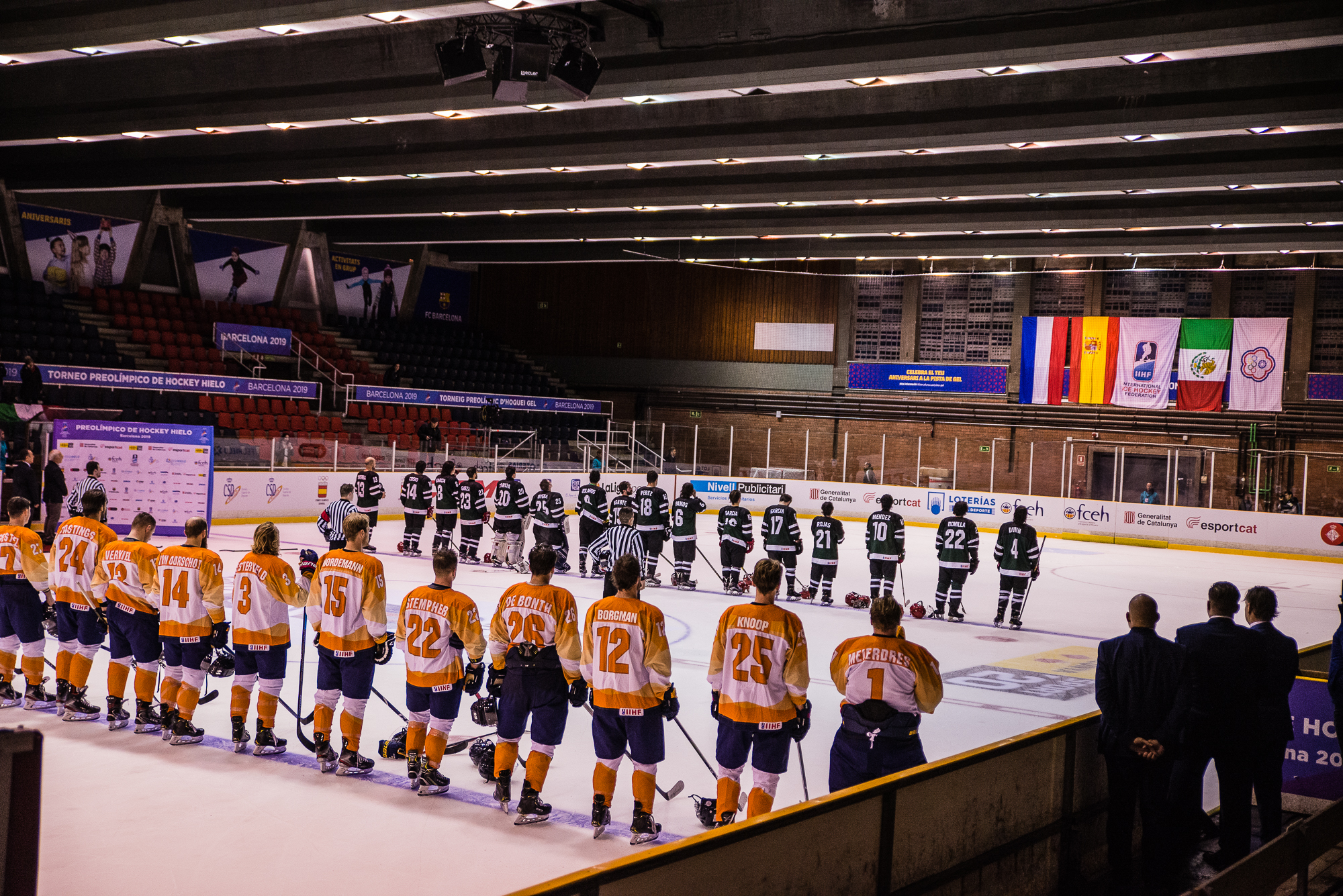 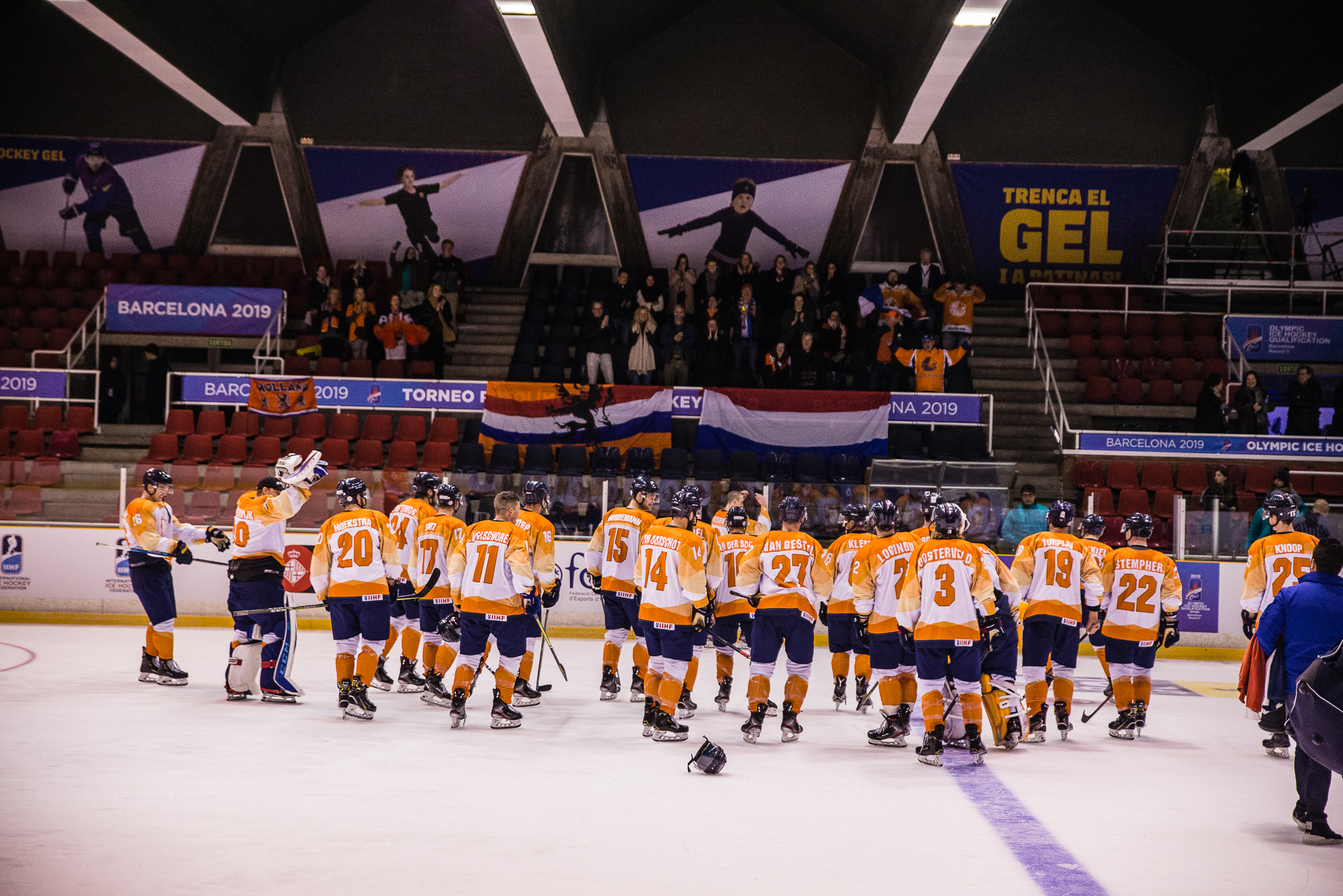 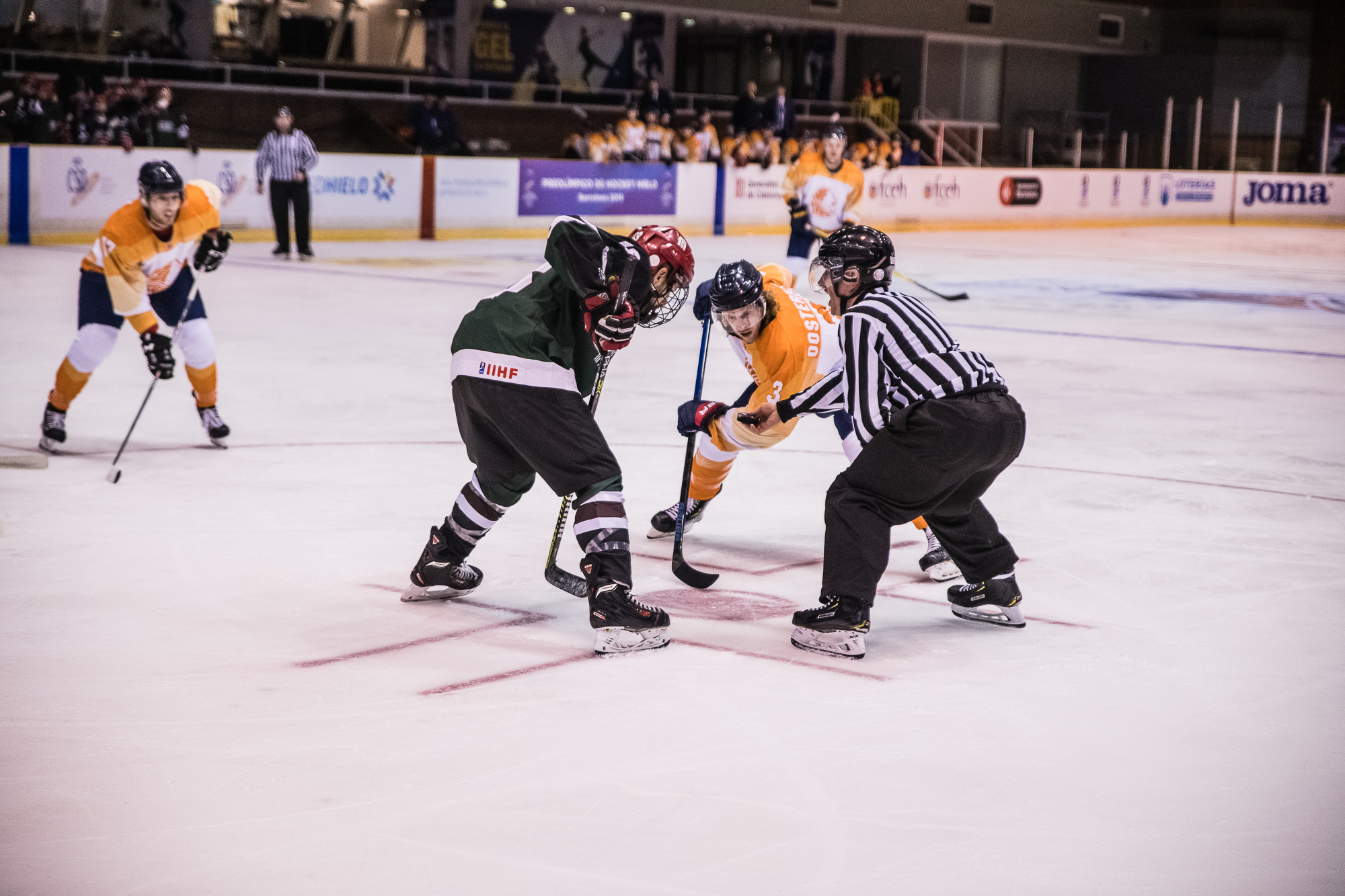 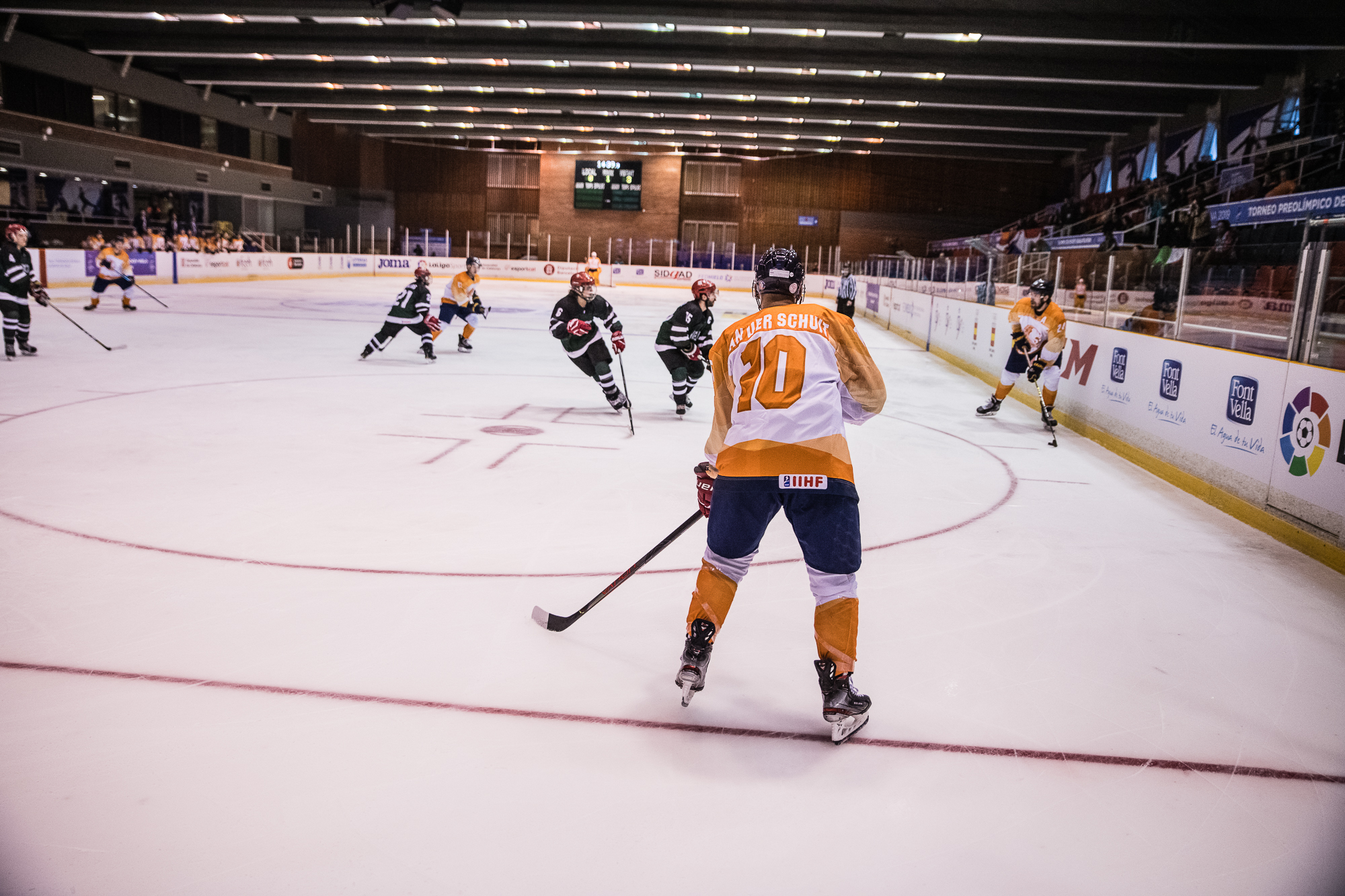 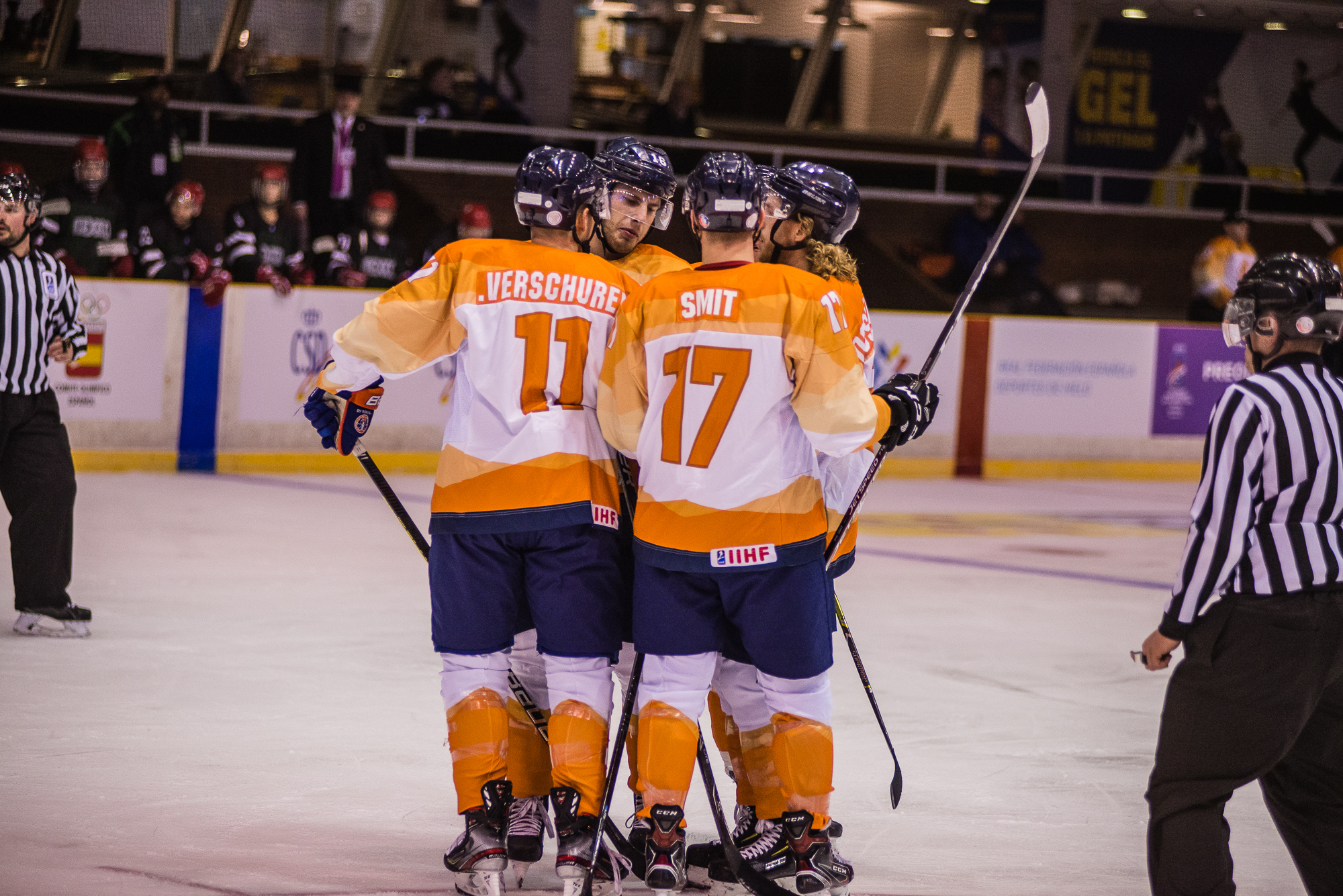 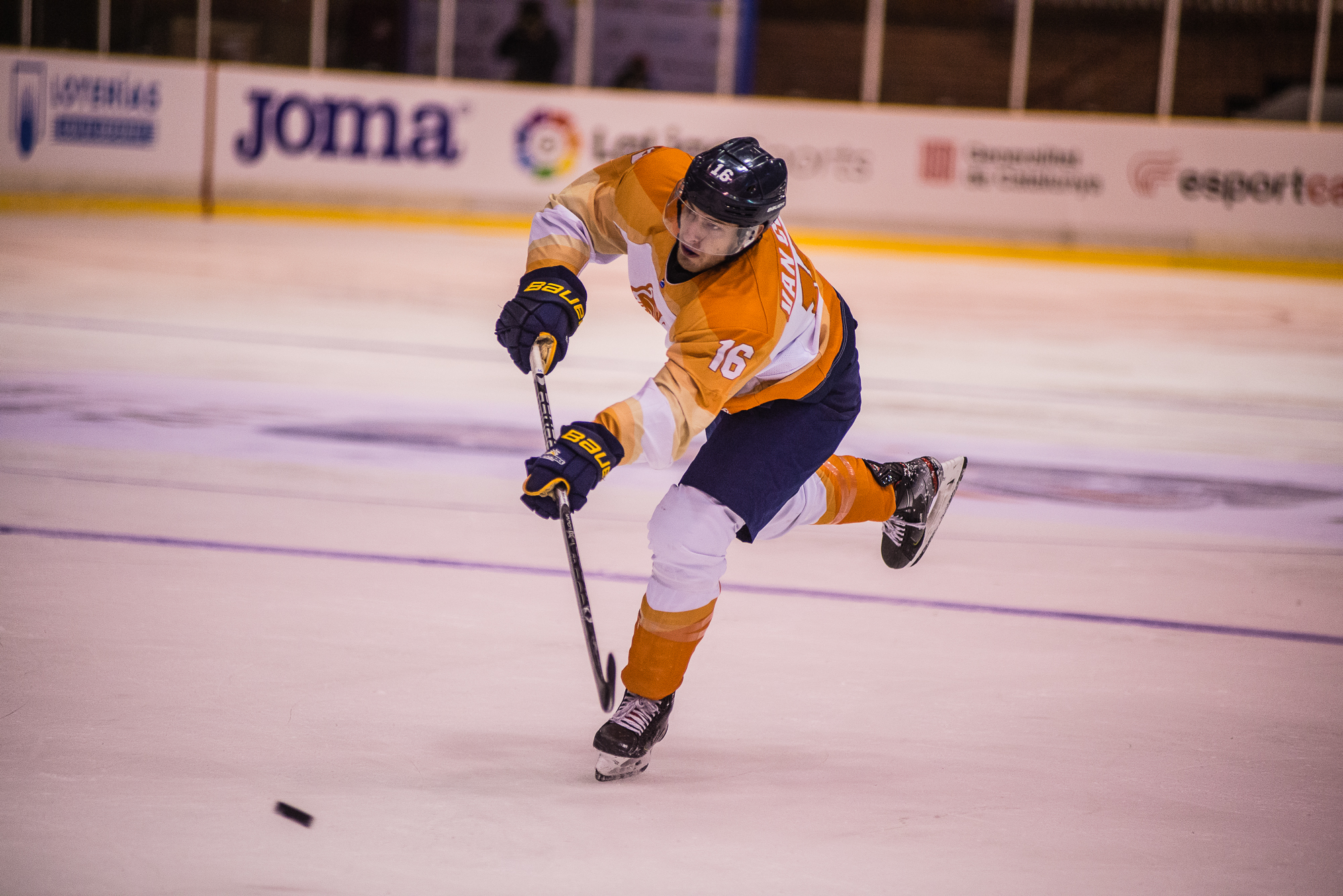 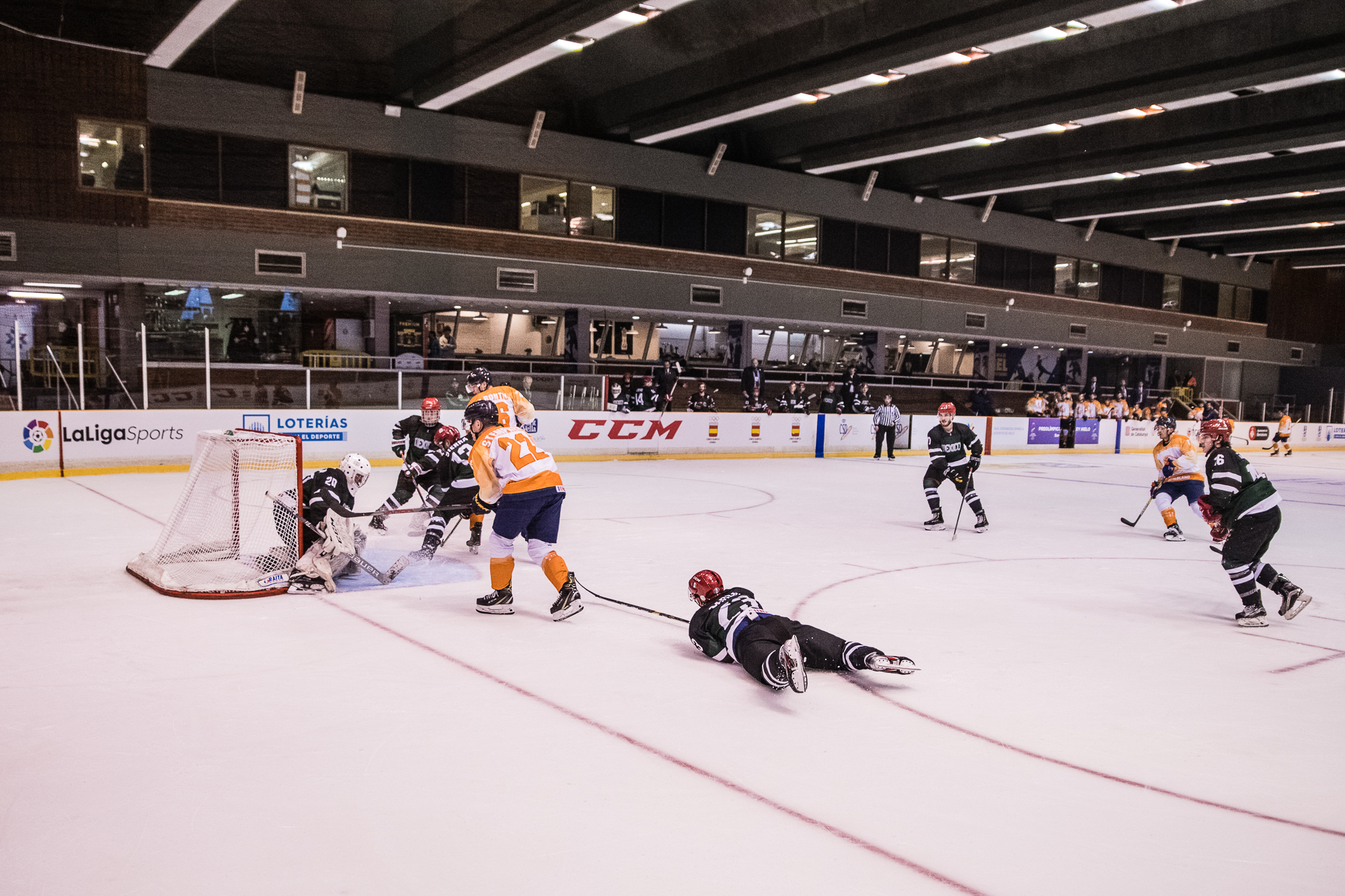 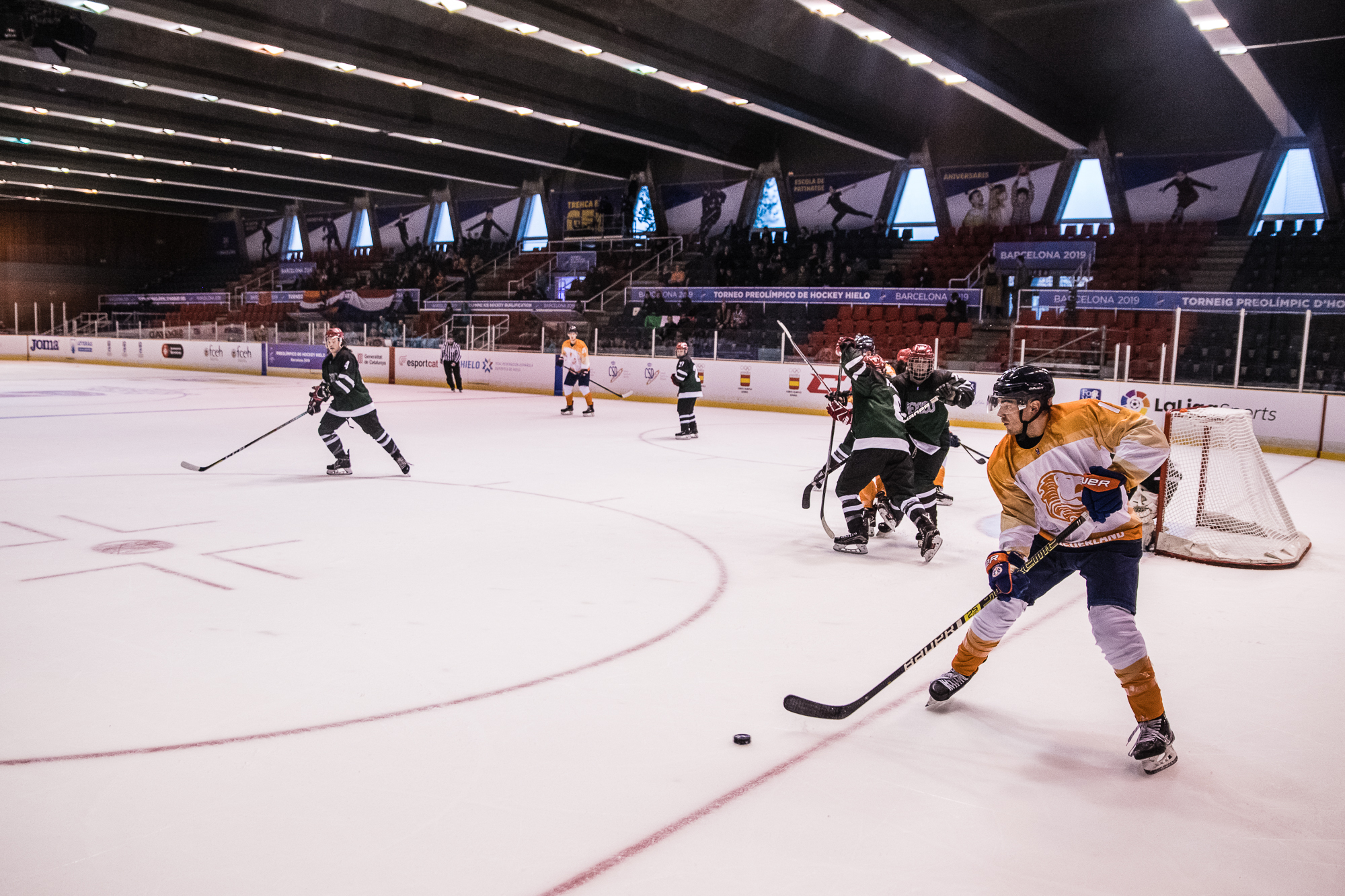 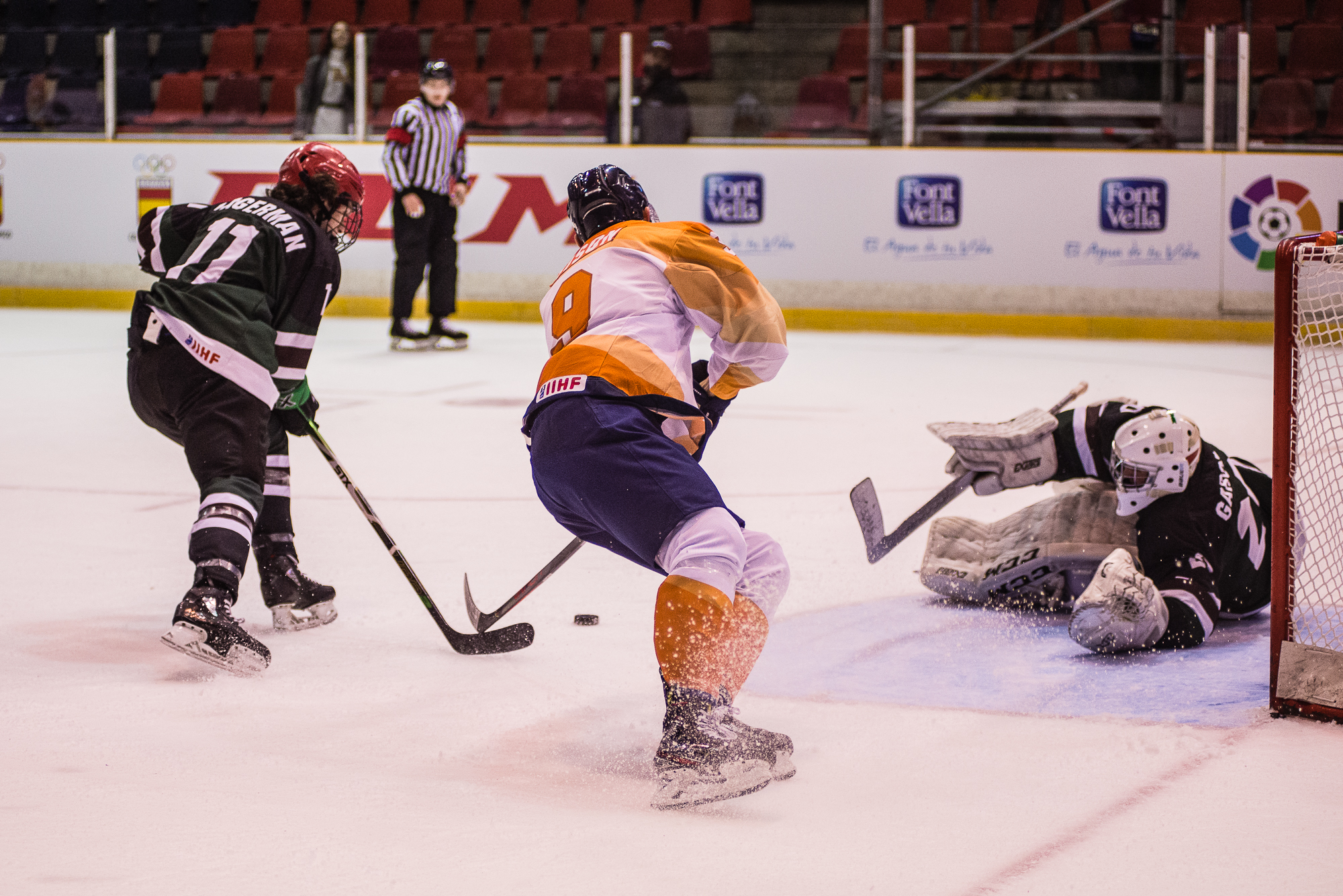