Spain sets up Sunday showdown
photo: Toni Grases
share
Olympic Qualifying Group L is set for a winner-takes-all showdown on Sunday as host nation Spain faces top seed the Netherlands with a place in the next phase at stake. Another emphatic win for the Spanish, 15-1 over Mexico, puts the group’s big hitters level with two wins from two games, and both have been rattling in the goals.

On Saturday, Spain took some time to solve a Mexican team determined to put up a better show than it managed in its opening game but ultimately cruised to an emphatic win. Once again, the goals were shared around the team. Luis Jose Hernandez potted a hat-trick, there were two apiece for Dorian Donath, Alfonso Garcia and Oscar Rubio, while six other players chipped in with one goal each.

After blow-outs in the first three games of this tournament, the early exchanges on Saturday evening provided a welcome change of pace. Both teams carved out chances in a competitive first period and it was not until the last couple of minutes that Spain built the kind of commanding lead expected of it before the puck was dropped.

Indeed, Mexico might have got in front itself as it put on a vastly improved performance after losing 17-1 on Friday afternoon. Jorge Perez gave Raul Barbo an early test; the young Spanish goalie stood up well to repel a flurry of close-range attempts. And Barbo was alert again moments later when Augusto Bolanos got a shooting chance right in front of the net. It was far from one-way traffic, and Spain came close when Pablo Zaballa’s point shot dinged off the crossbar.

"We didn't start the way we wanted," admitted defenceman Bruno Baldris. "They started harder than us and it was a tough game. But we kept going and we started to play our game.

"We have a tough game tomorrow so we needed to play our game here tonight."

The first power play of the game broke the deadlock. With 14 minutes played, Luis Jose Hernandez got a touch on a centre point shot from Alfonso Garcia to make it 1-0. But Mexico replied a minute later when Arturo Garcia and Santiago Sierra combined to strip a Spanish defenceman of the puck. Sierra was able to force it over the line in the subsequent scramble.

While Mexico’s offensive ambitions were creditable, some of its defence would prove overly hesitant. And that allowed Spain to seize the initiative late in the first frame. Barely two minutes after that tying goal, the visiting D dozed off and allowed Imanol Lasuen to advance unimpeded down the left before heading to the net and beating Gerardo Garcia de Valle up close. Less than a minute later it was 3-1 as Bruno Baldris spotted Oriol Boronel in acres of space in that left channel. Spain’s captain unleashed his wrister from the inside of the circle and potted his team’s second power play goal.

Having found fertile ground down the left, Spain continued to plough that furrow and added a fourth just before the hooter. Lasuen reprised his charge from goal number two but this time he set up Hernandez for his second of the game. Mexico had contributed much to the most competitive period of hockey in the tournament so far, but three goals in barely two minutes left the team in danger of another heavy loss.

The second frame saw Spain stretch its lead. Alfonso Garcia’s point shot made it 5-1 and further scores from Alberto Martinez, Dorian Donath and Oriol Rubio erased all doubts about the final outcome. However, not everything went right for the host nation. In the 27th minute, Spain lost Alejandro Carbonell for aiming a headbutt at Raul Bonilla. Carbonell, a veteran of seven World Championship campaigns and one of few survivors from his country’s previous Olympic qualifying tournament in Valdemoro in 2015, could face a suspension that rules him out of tomorrow’s decisive battle against the Netherlands.

"The Netherlands players are good," Baldris added. "They have a good federation behind their team, they play hard, they know how to play this game. It will be a hard game but if we work hard we have a good chance of winning."

Early in the third Spain reached double figures for the second successive game. Nacho Garnell made it 9-1, Donath’s second of the evening and third of the tournament brought up 10. Garcia potted another howitzer before Patrick Fuentes slalomed his way to the crease. Hernandez sealed his treble and Oscar Rubio added a couple as the home crowd in Barcelona celebrated another big victory.

"It's good to play on home ice," Baldris concluded. "It's always fun to go away for a tournament but sometimes it's a bit easier to play well at home in front of our own people."
Spain vs. Mexico - 2019 OQM Gr. L 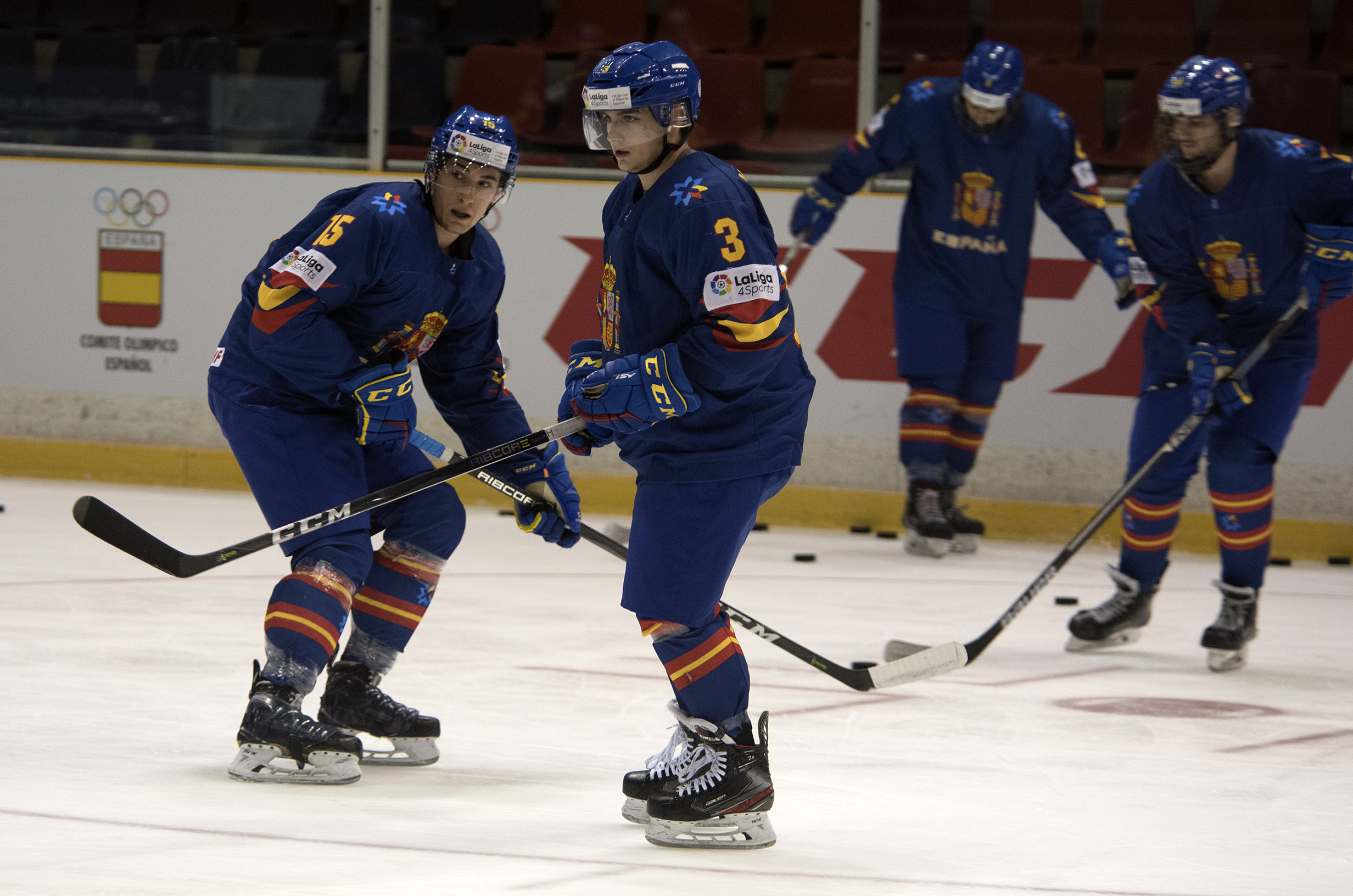 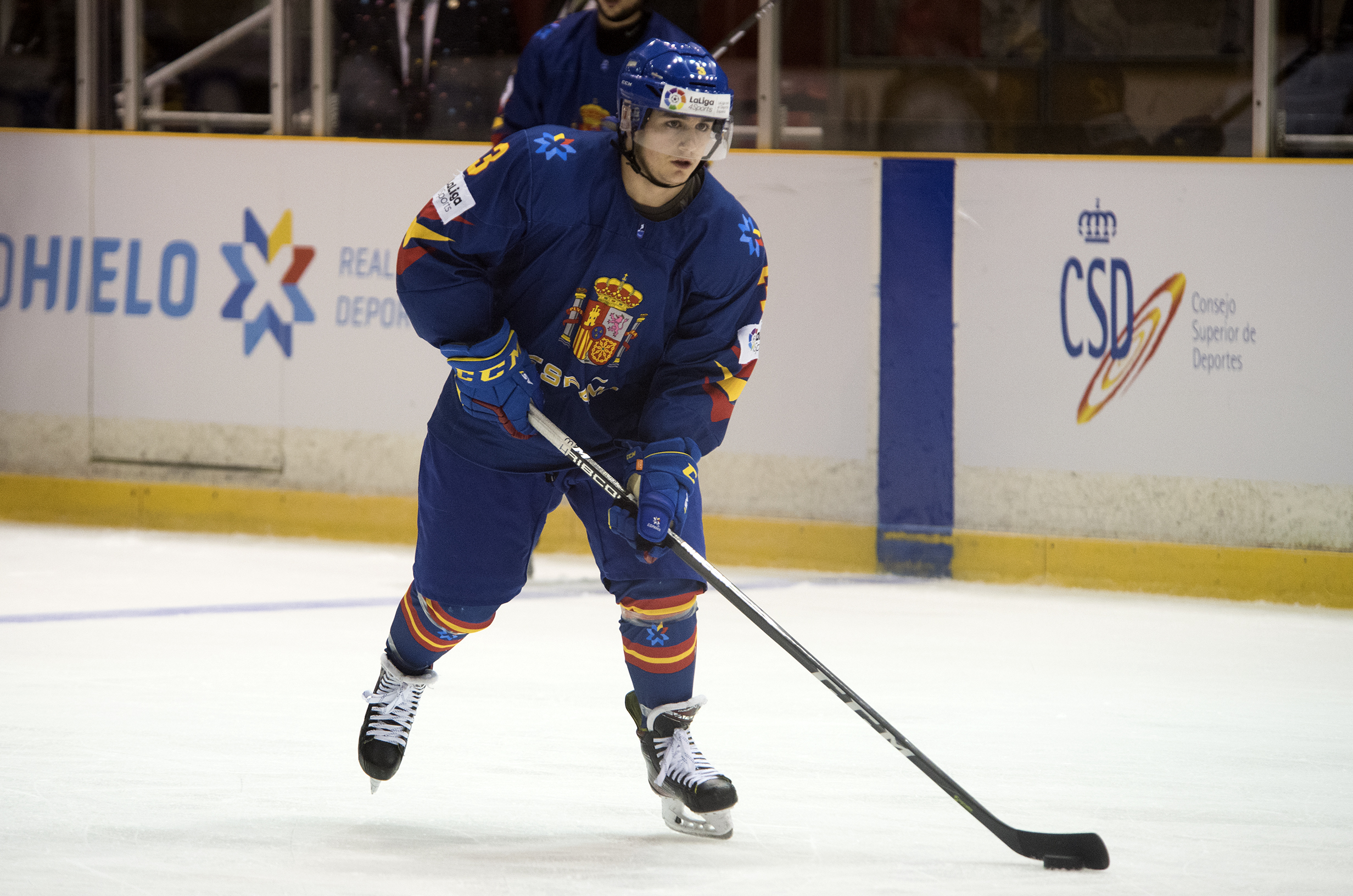 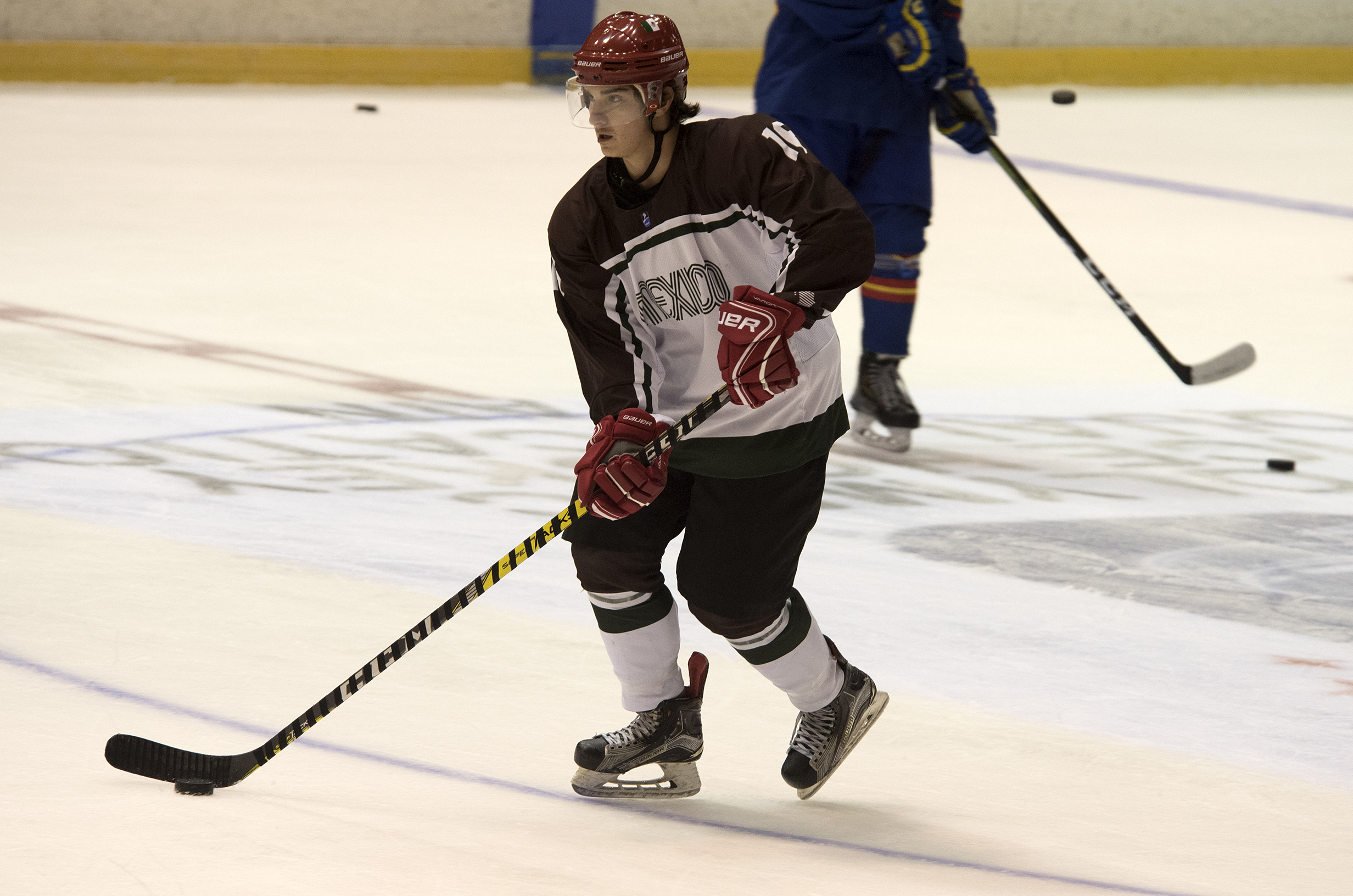 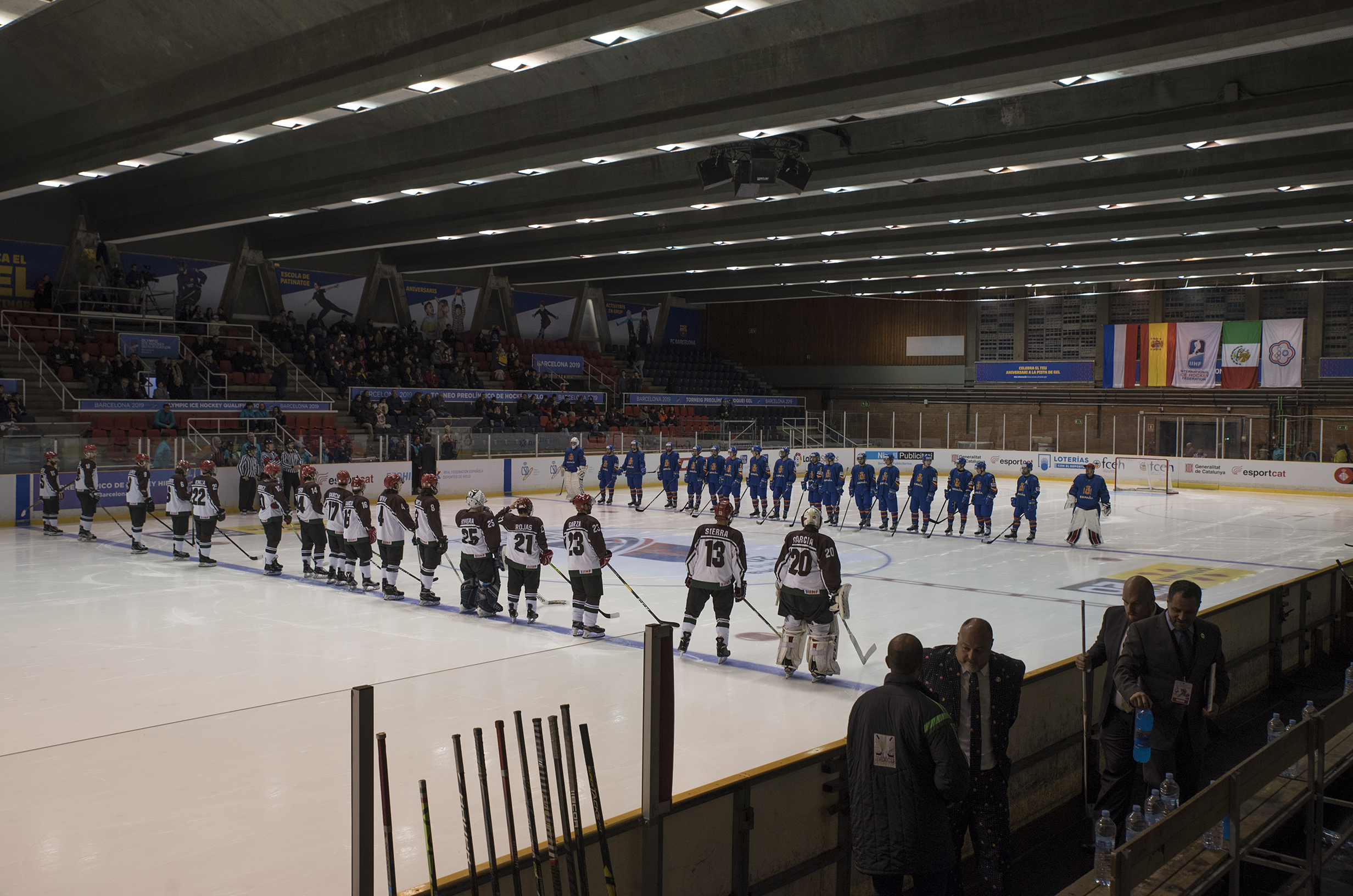 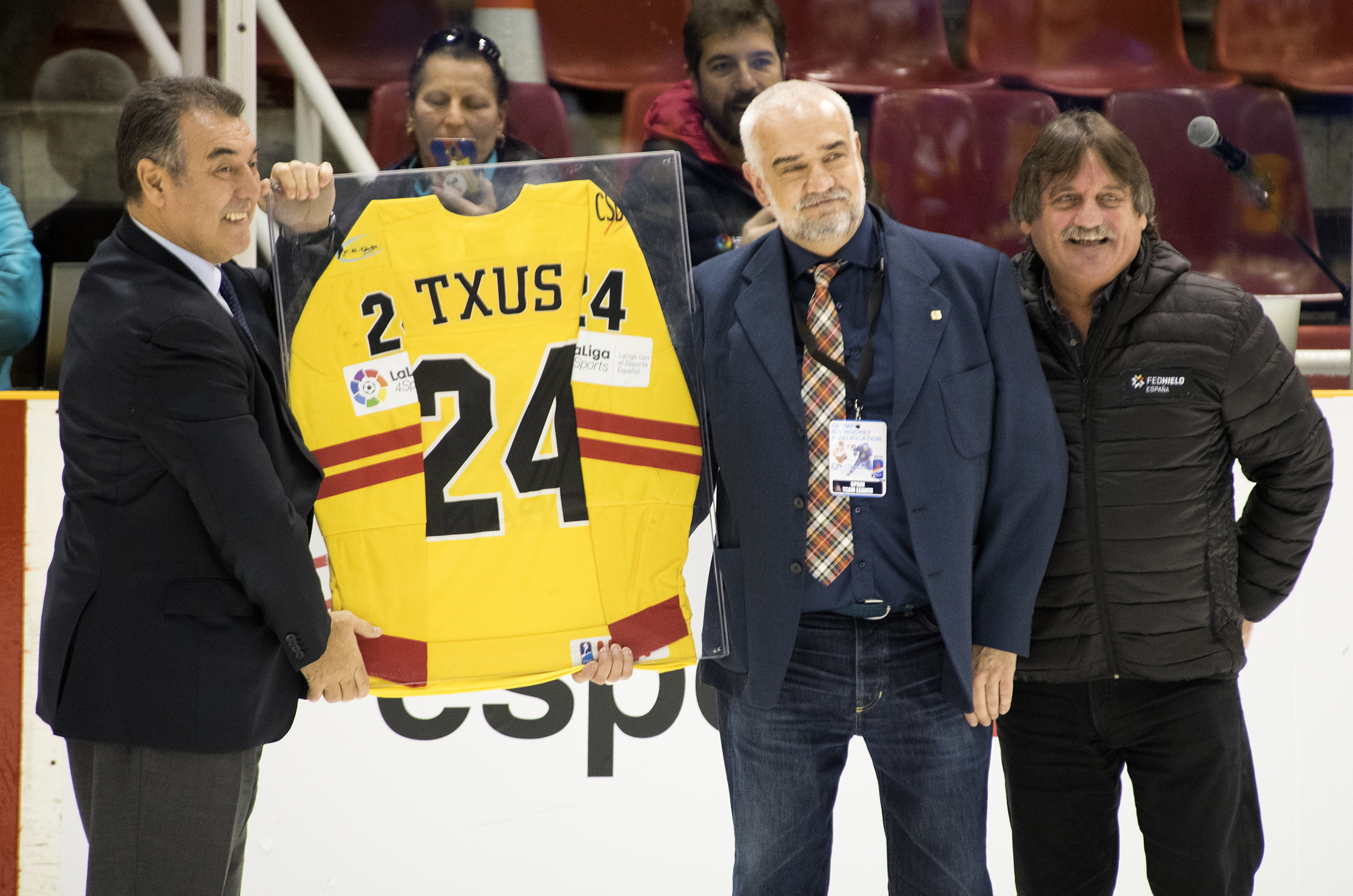 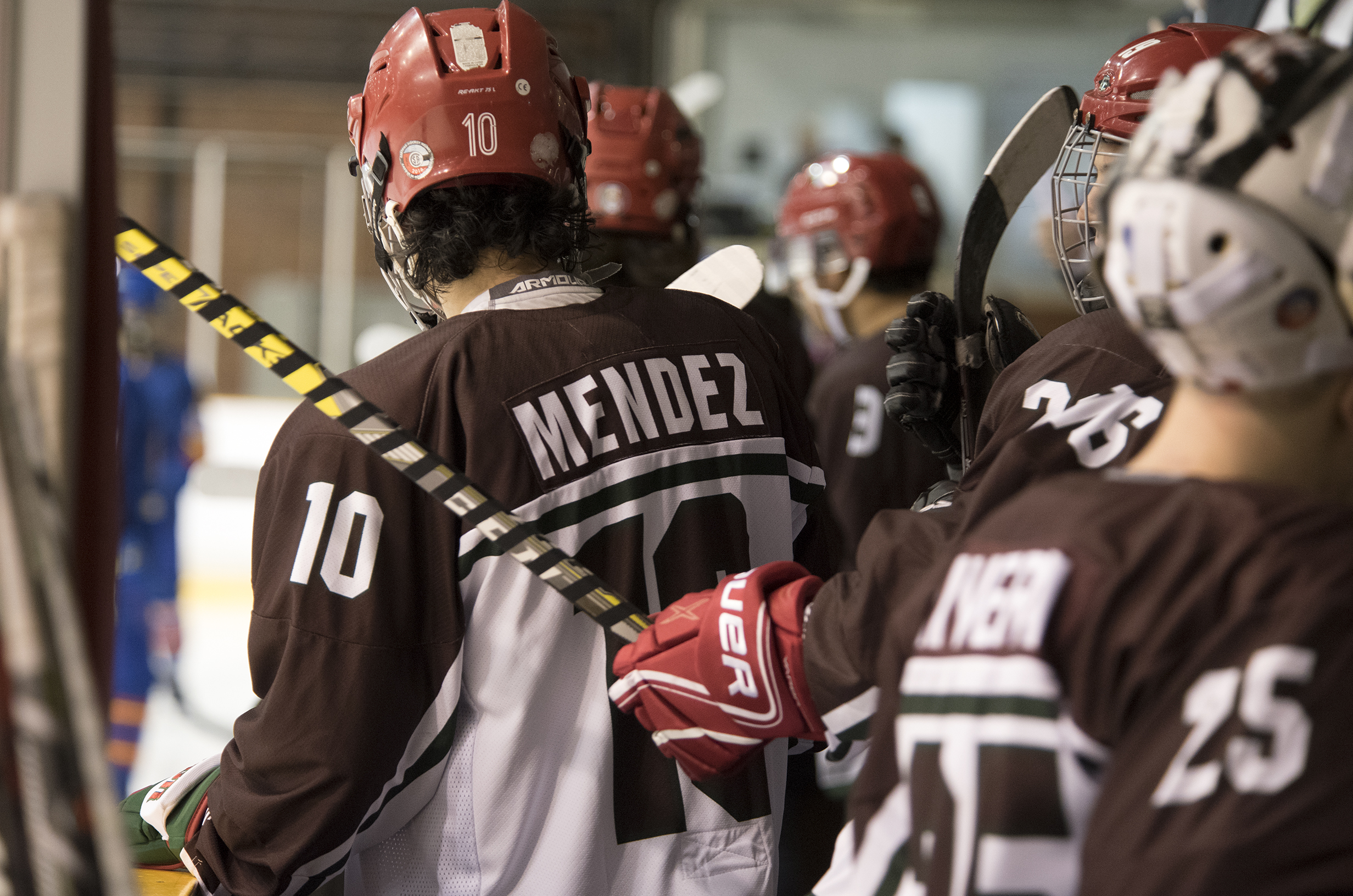 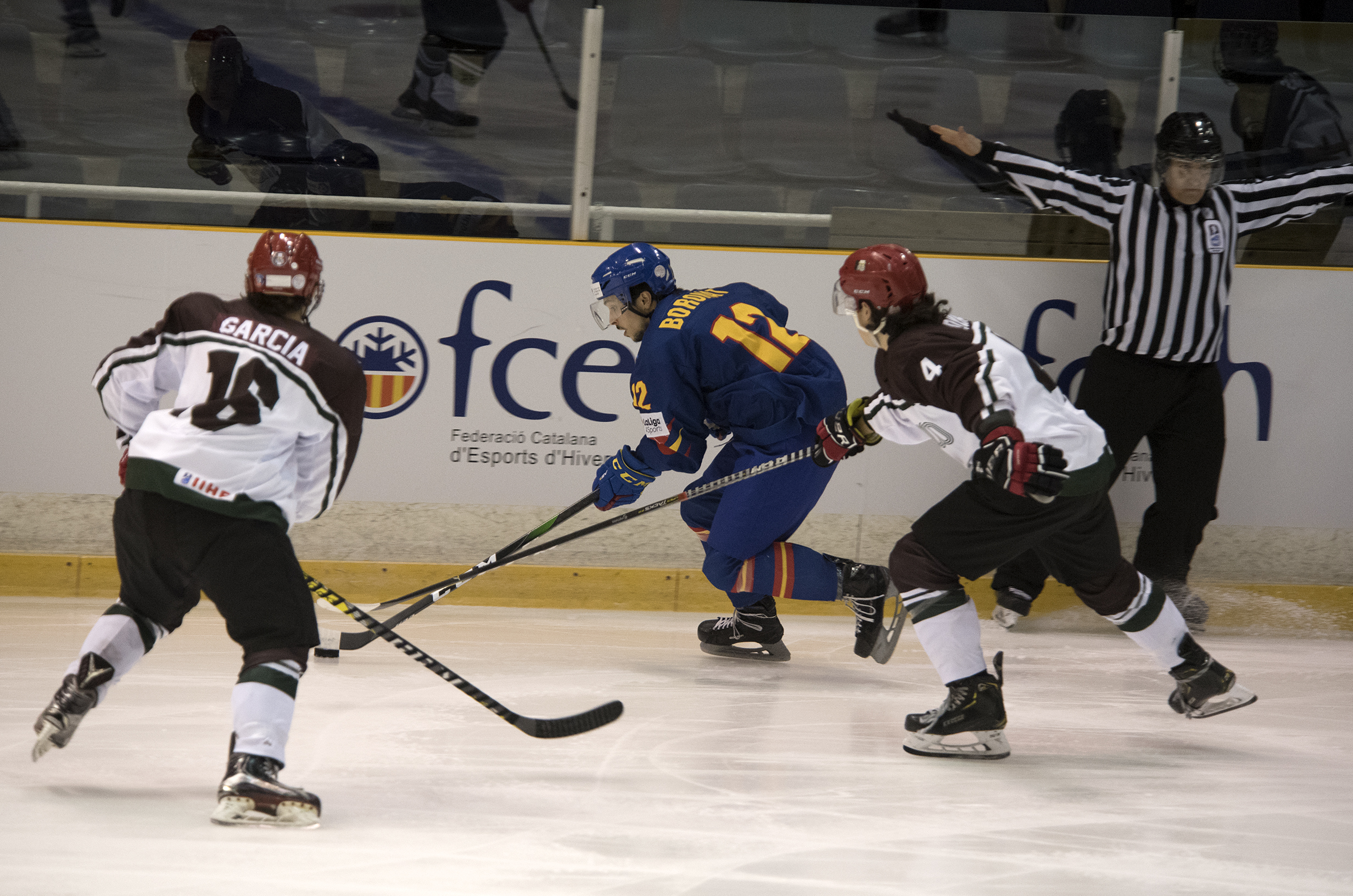 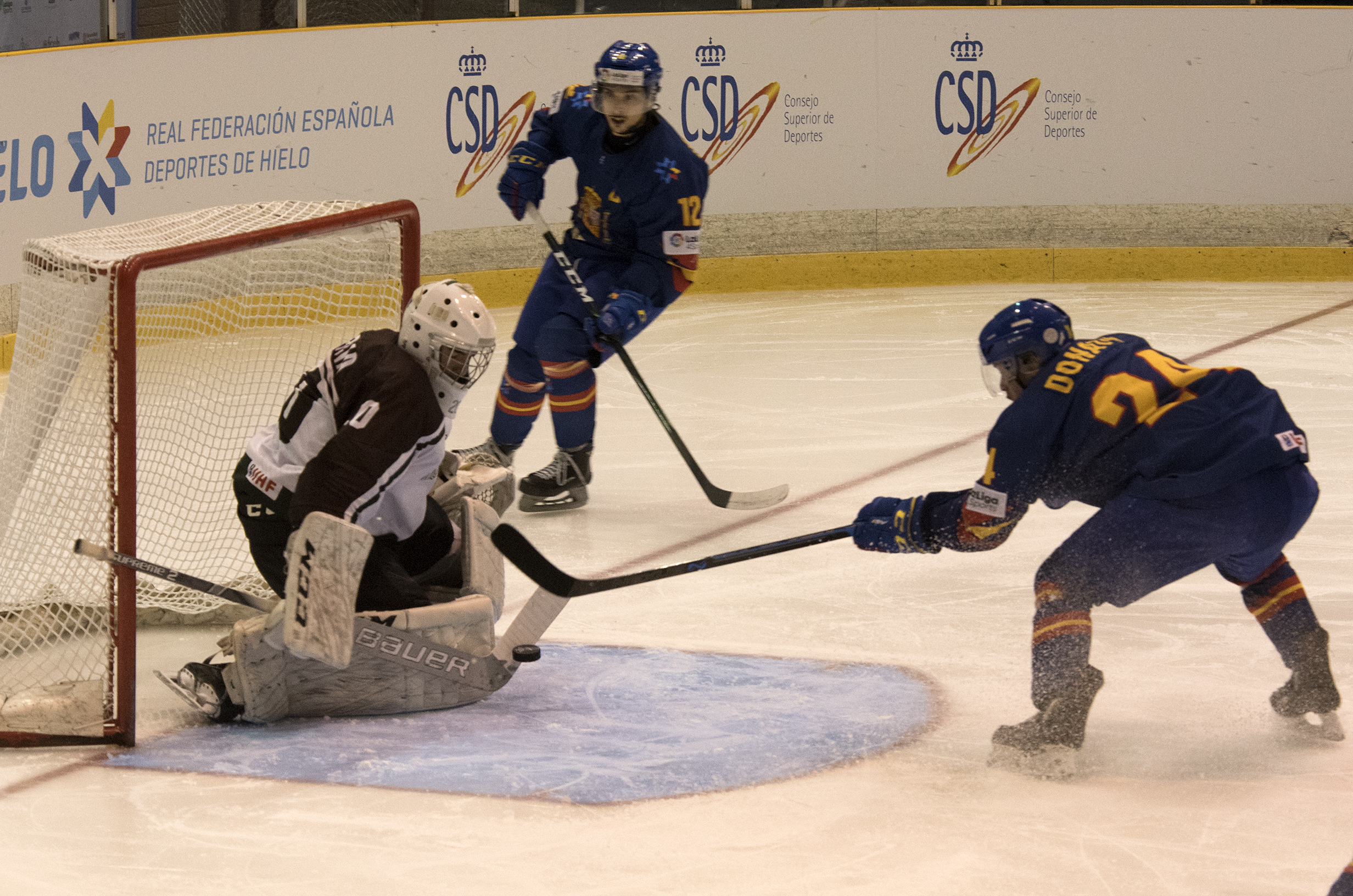 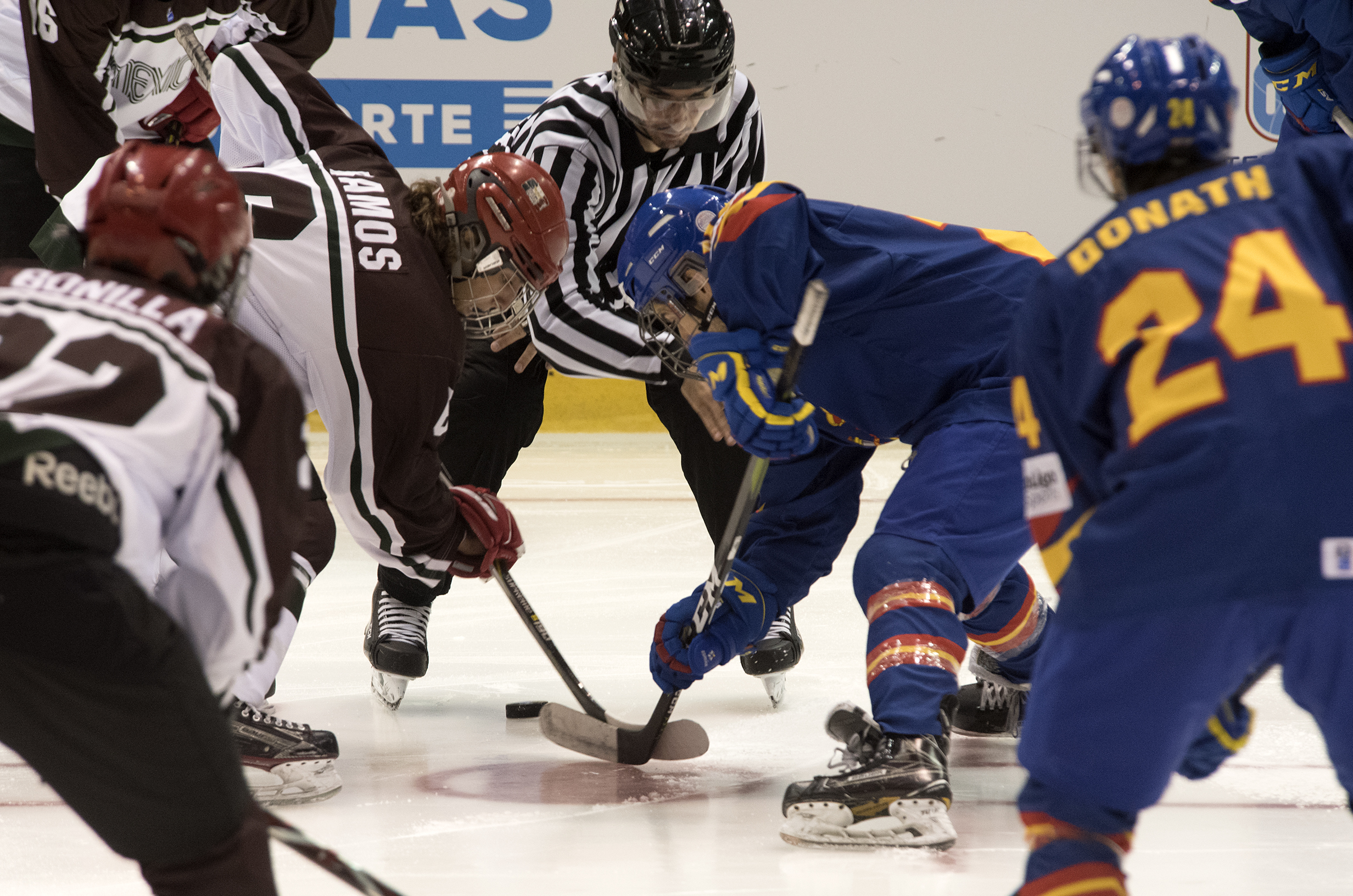 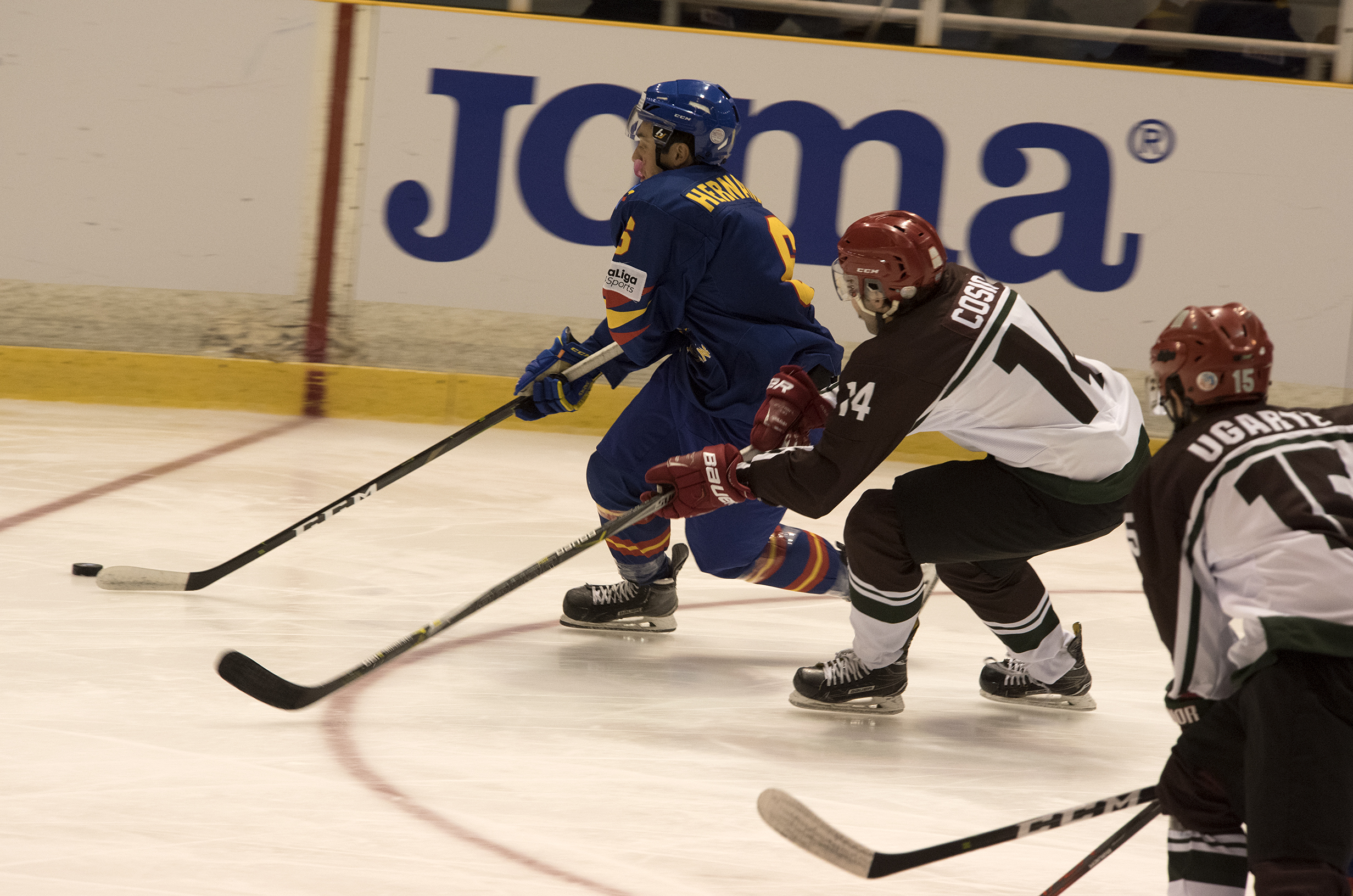 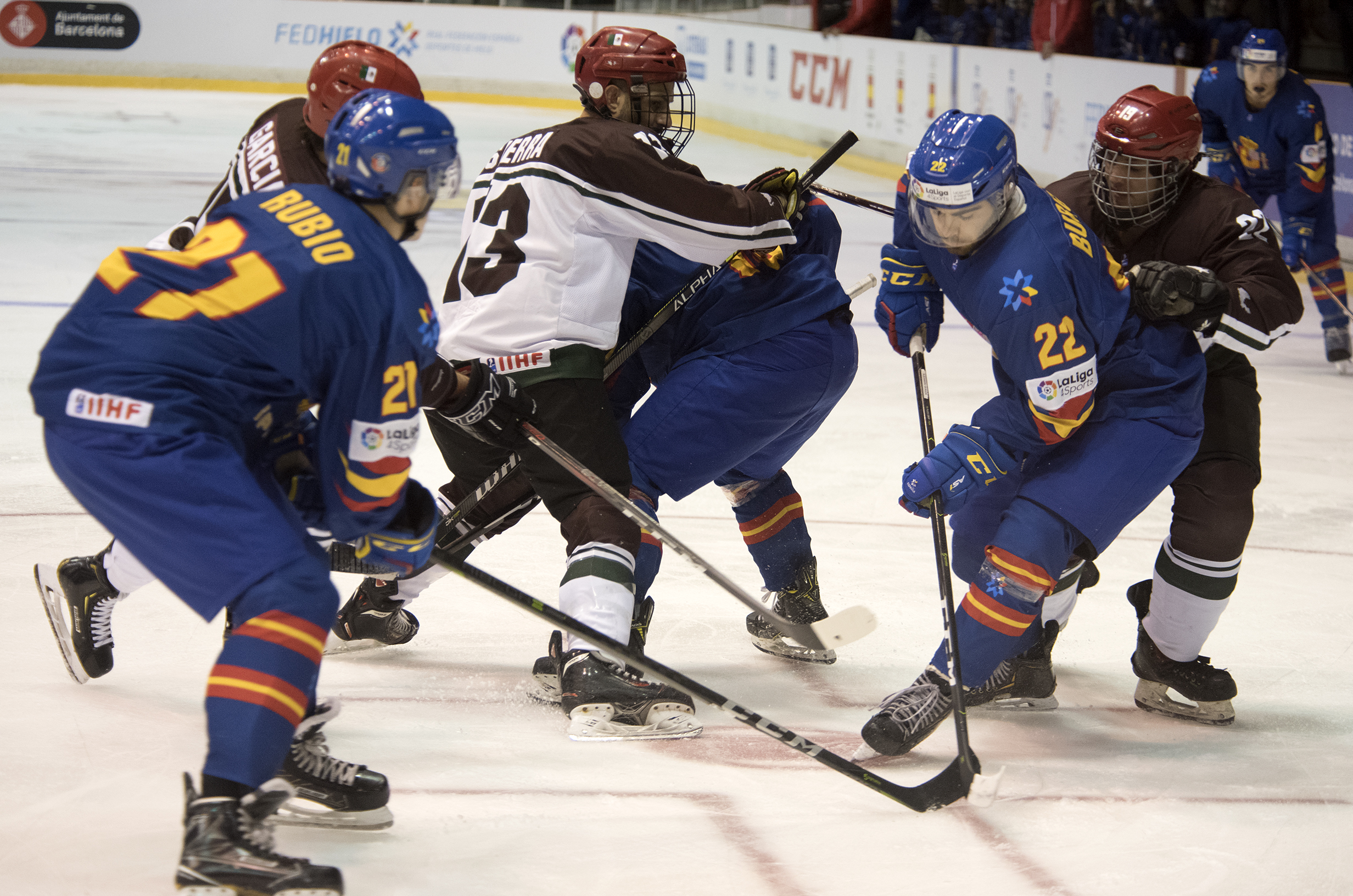 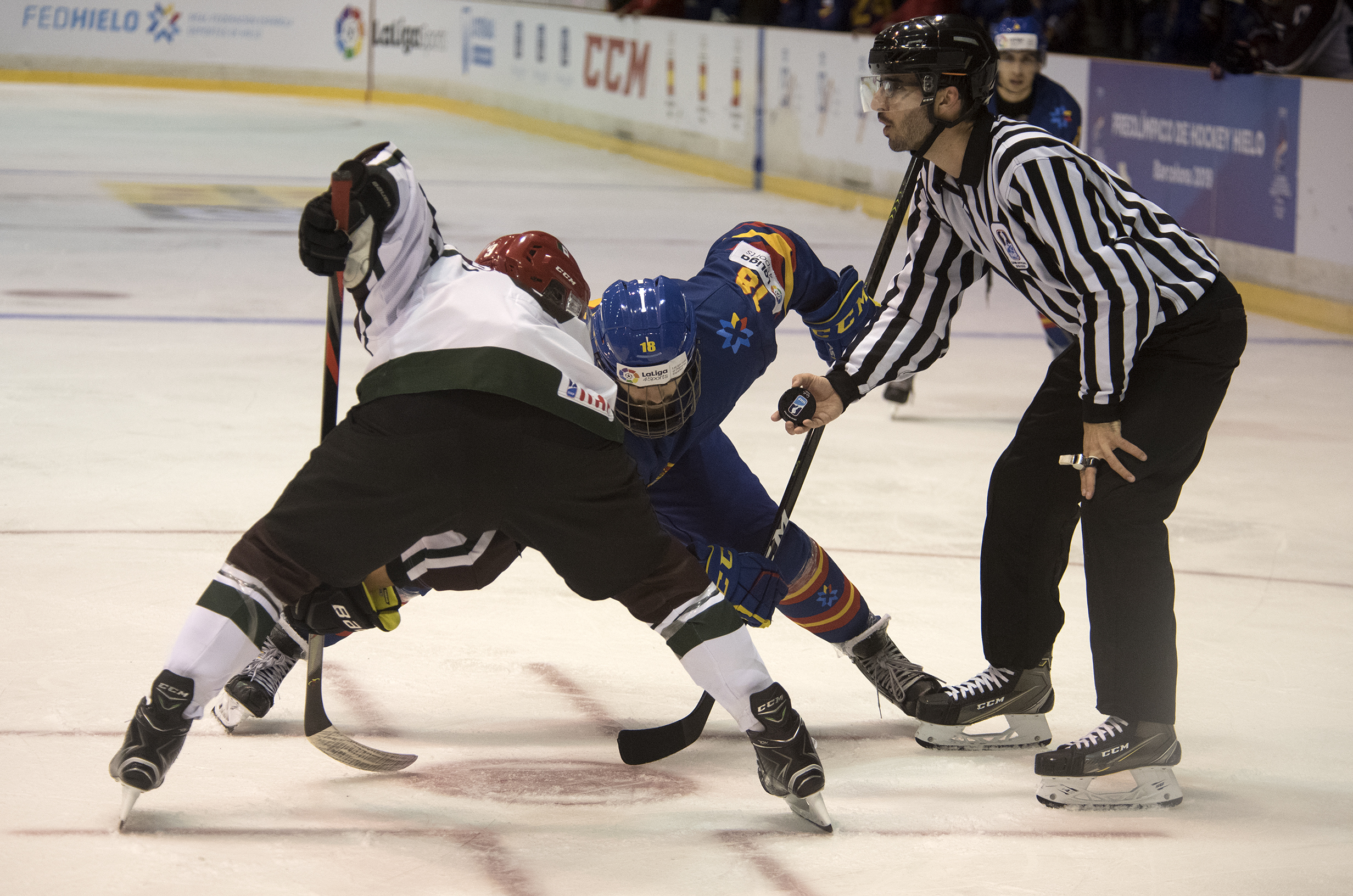 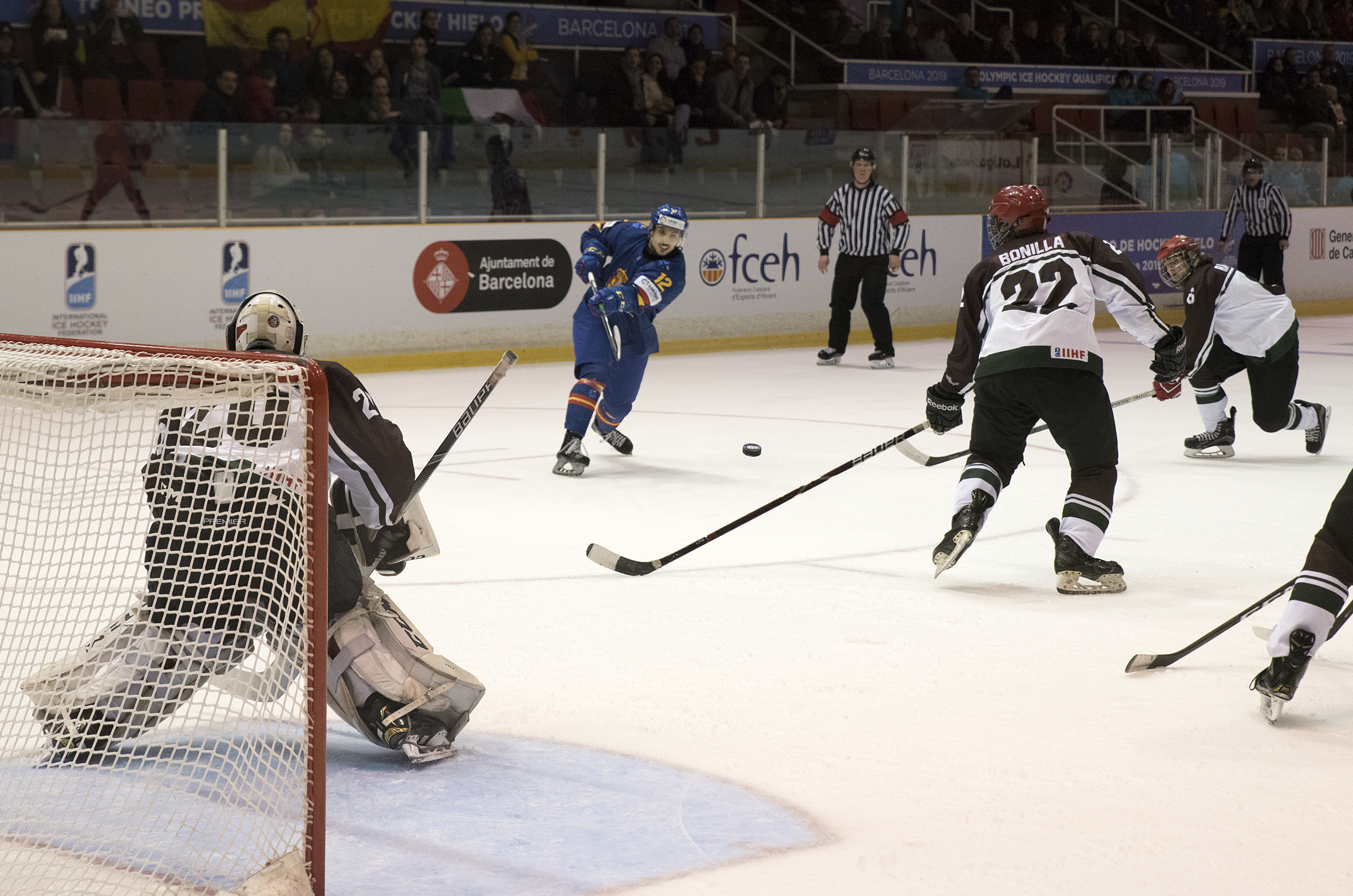 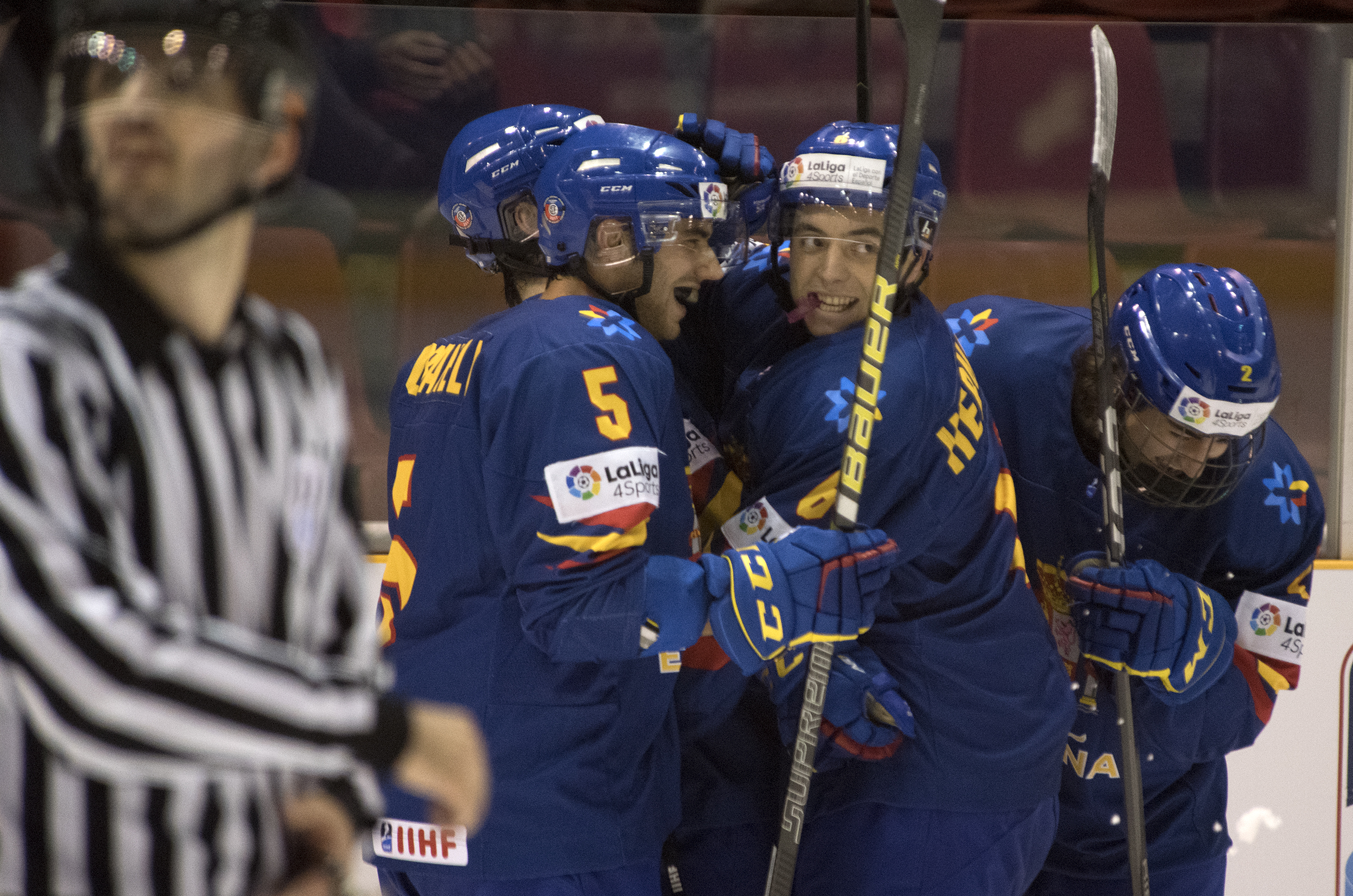 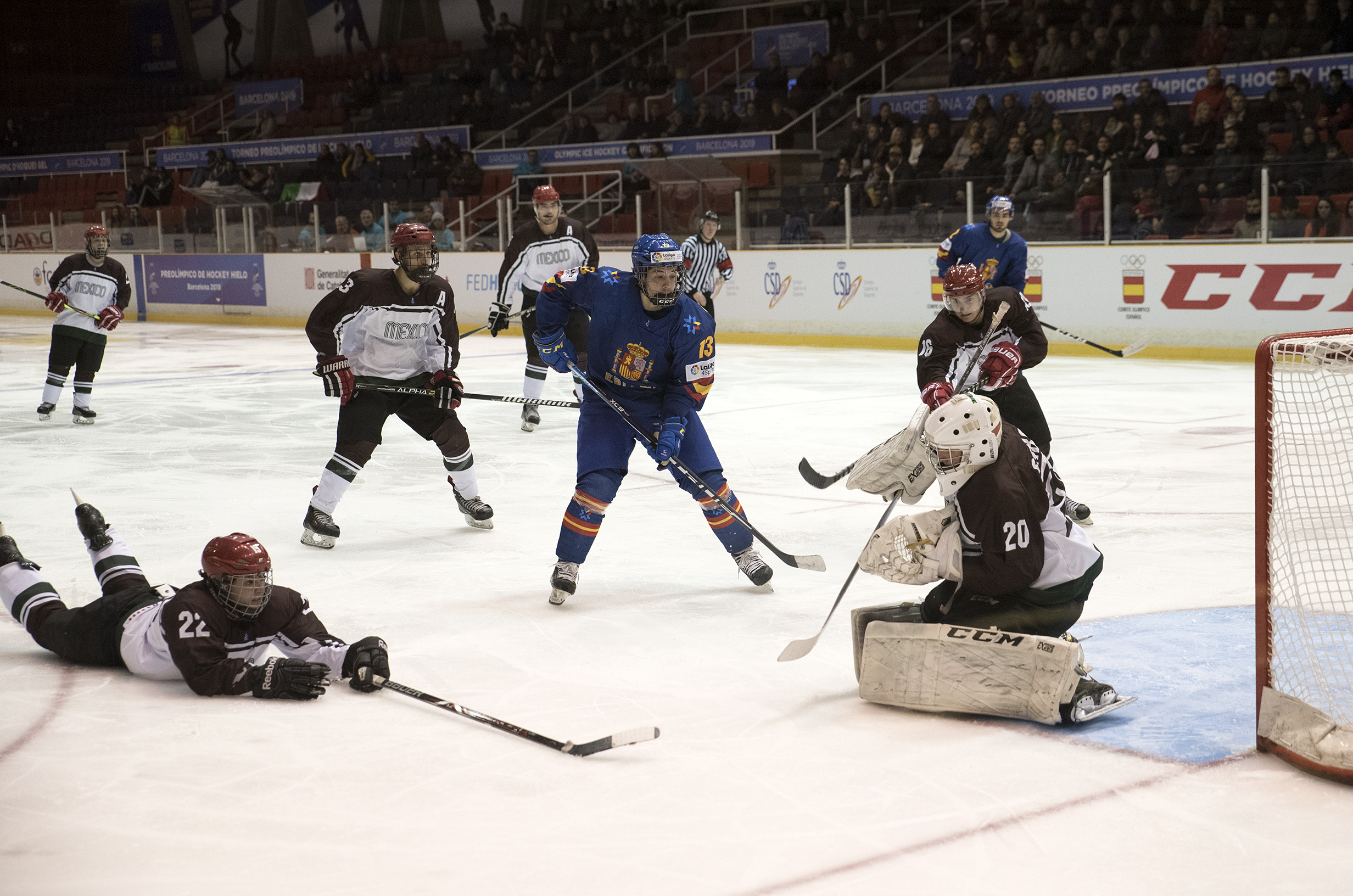 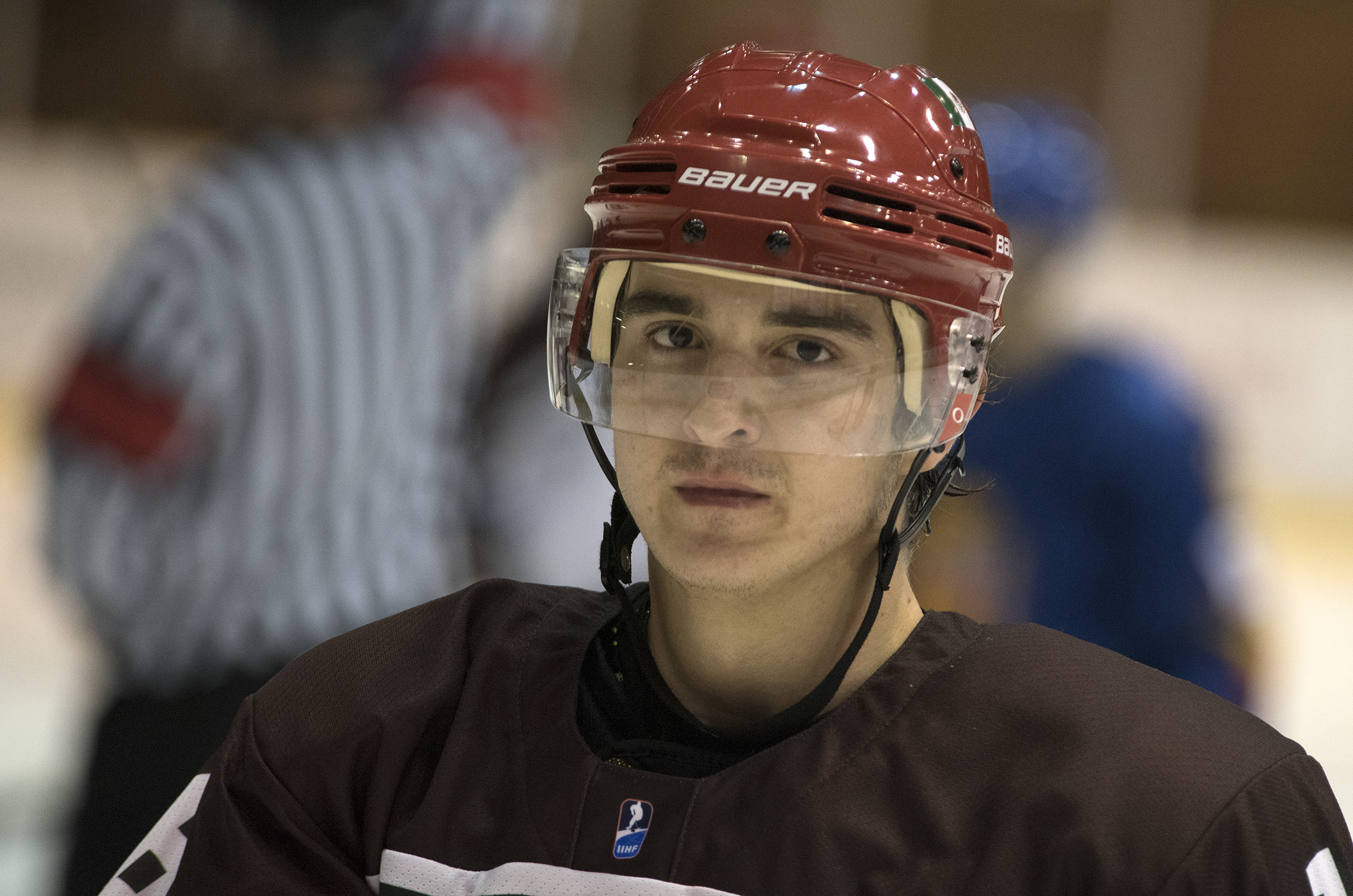 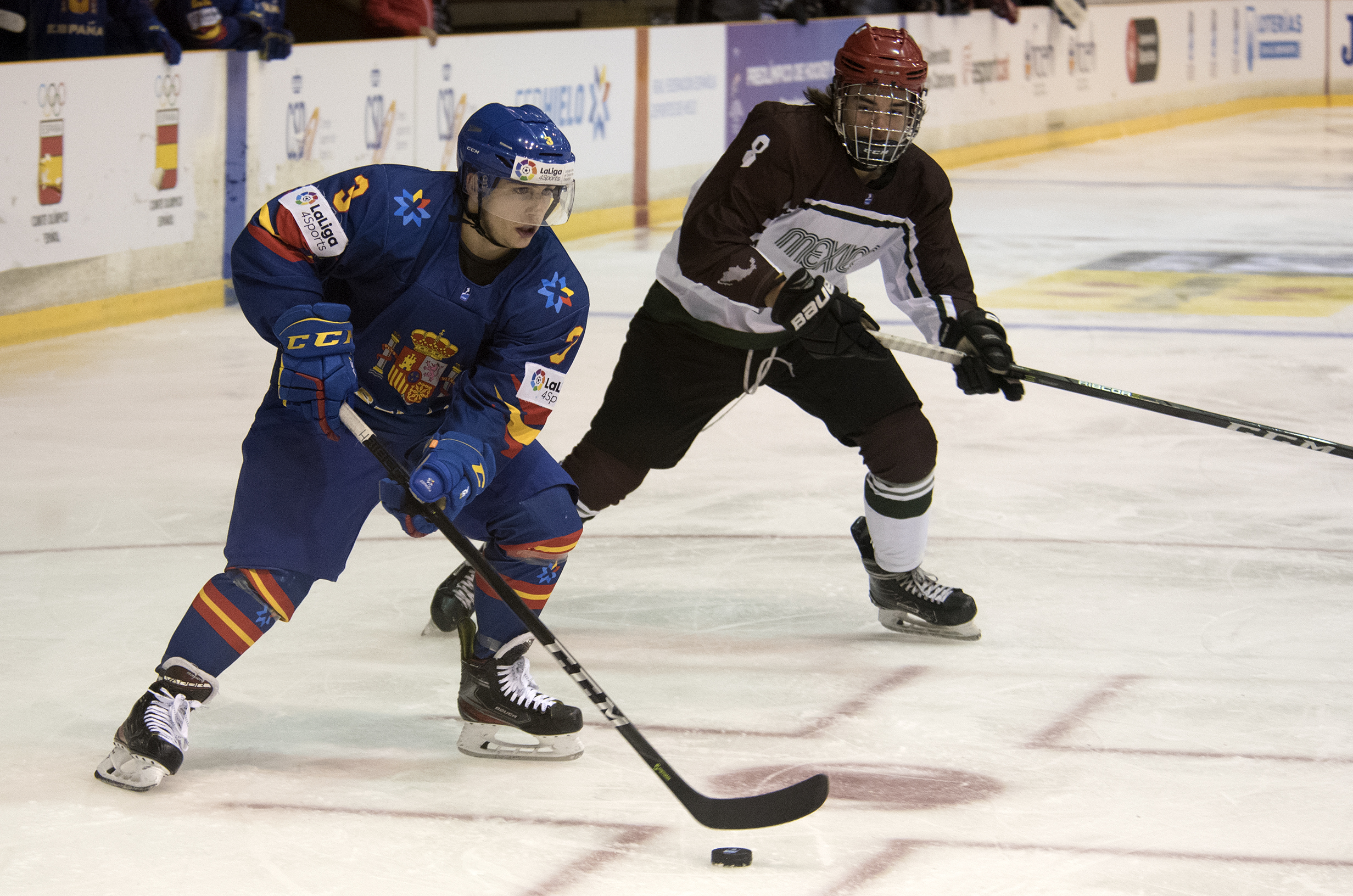 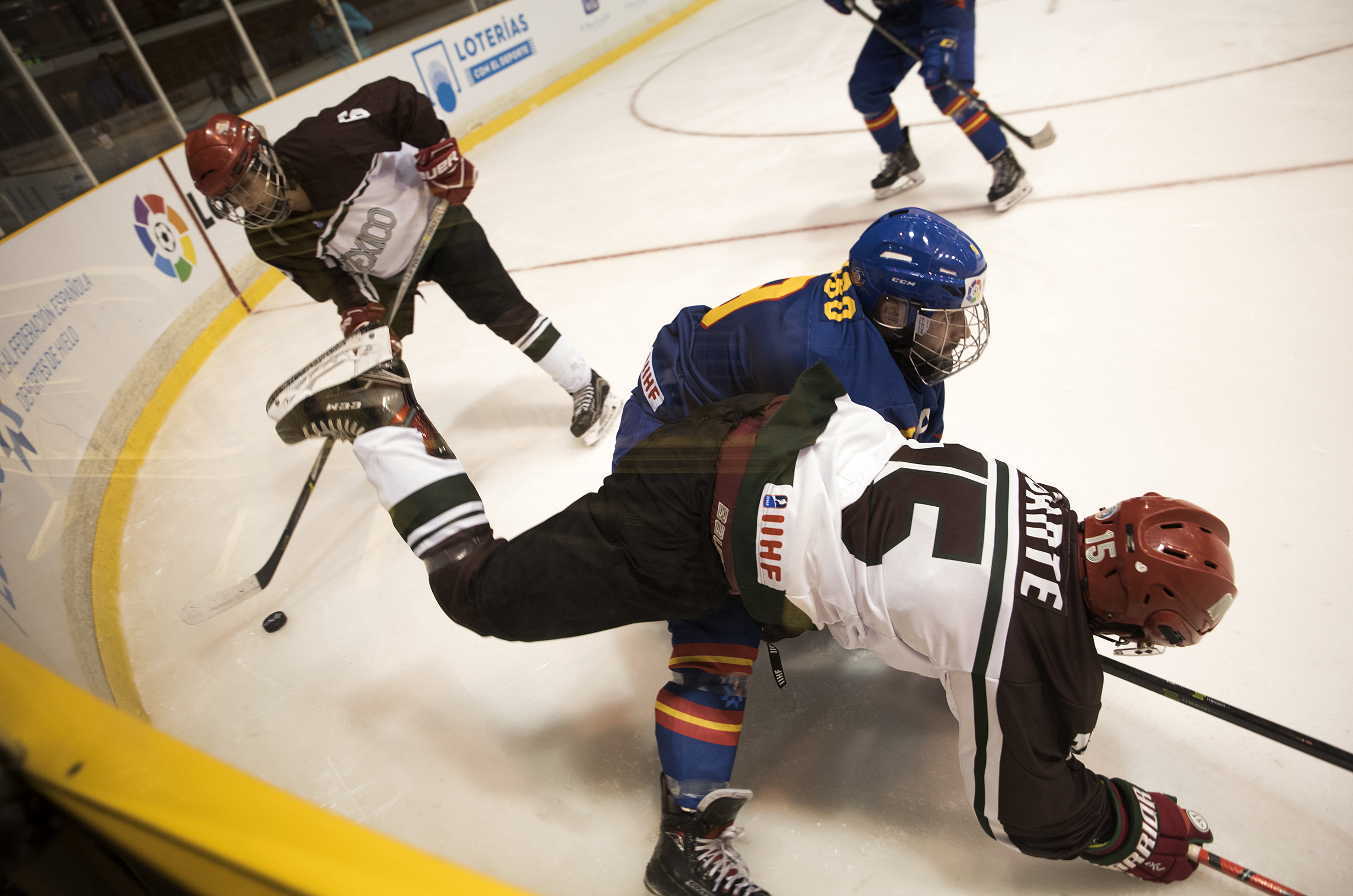 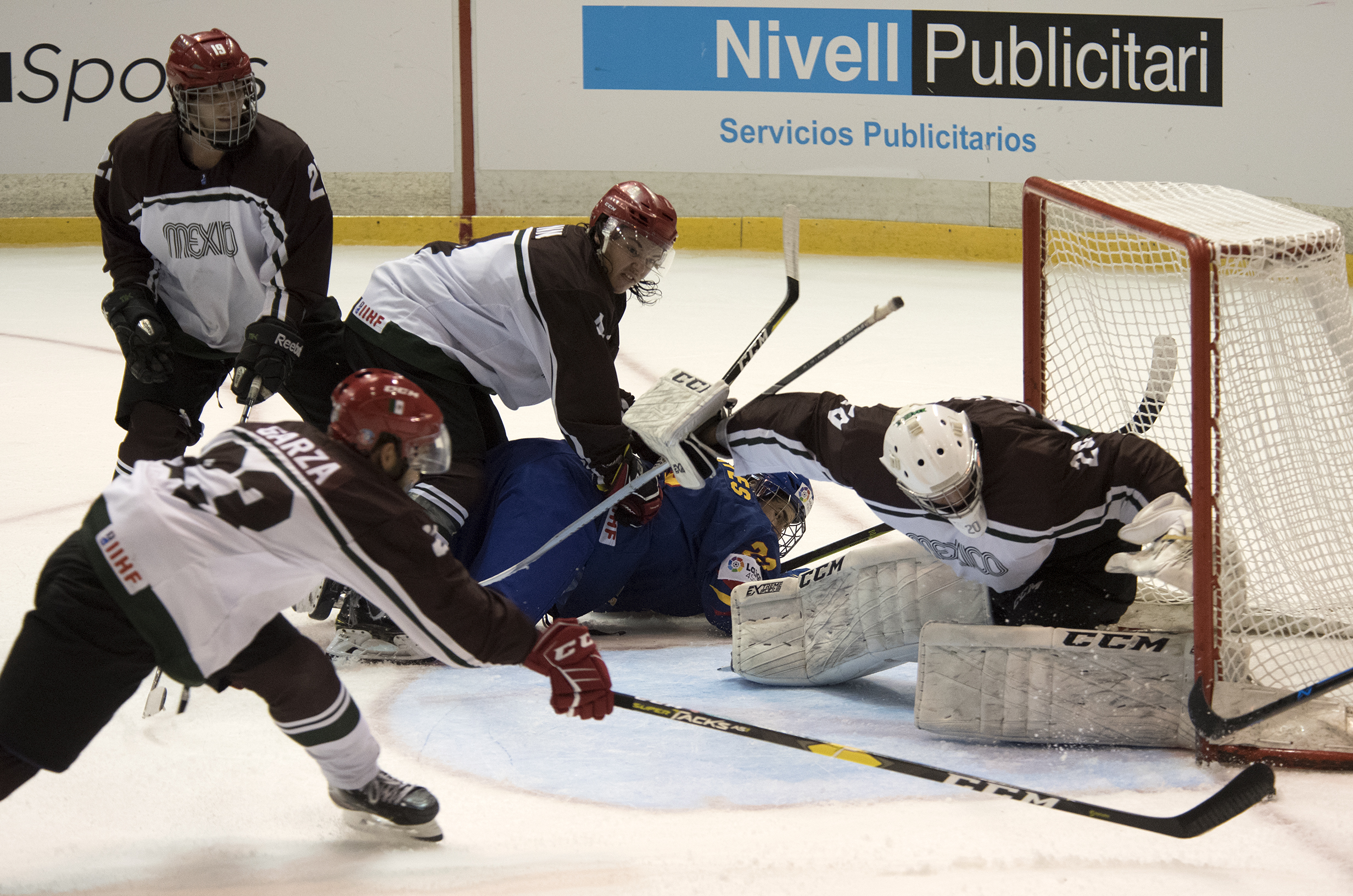 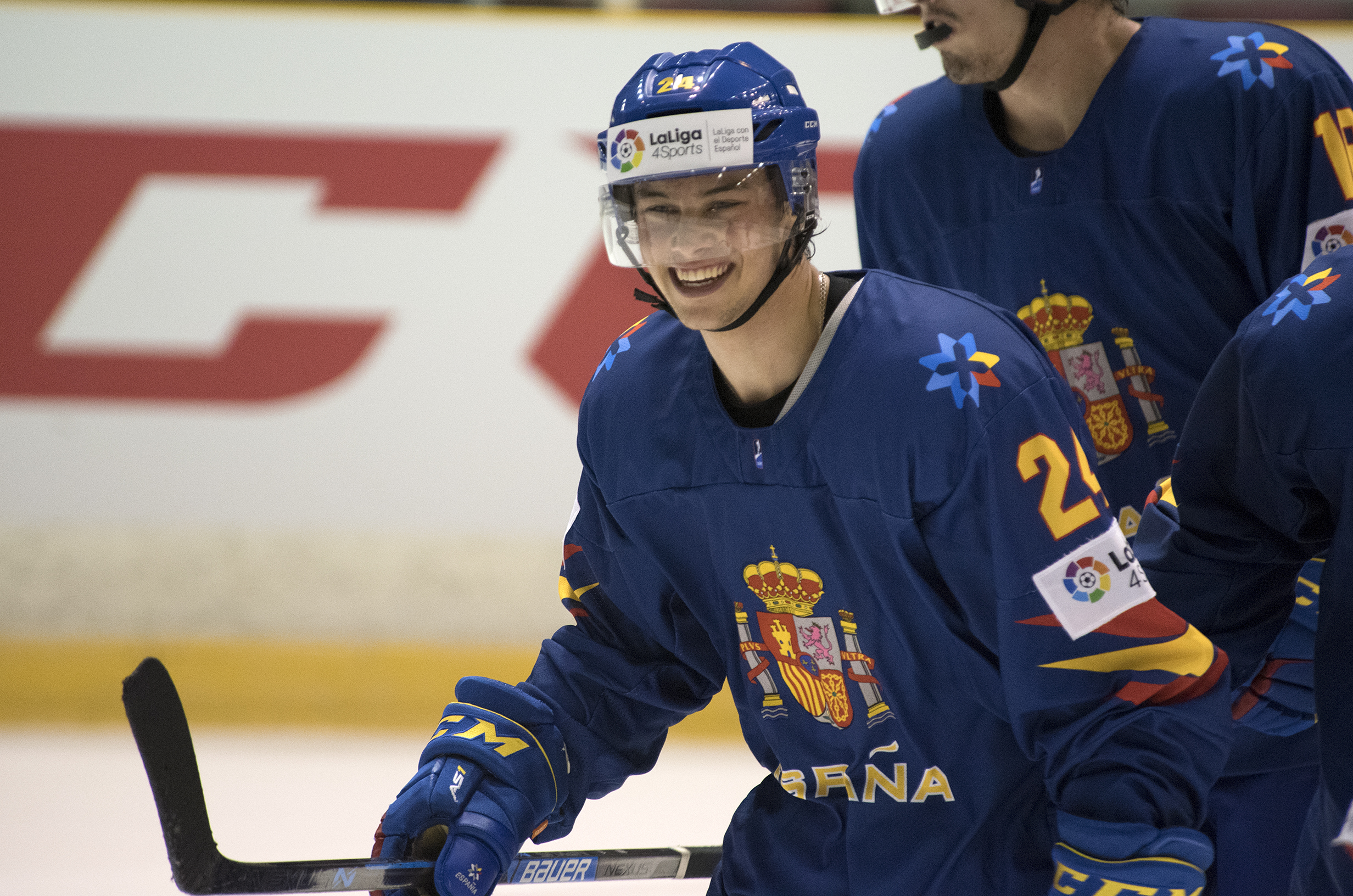 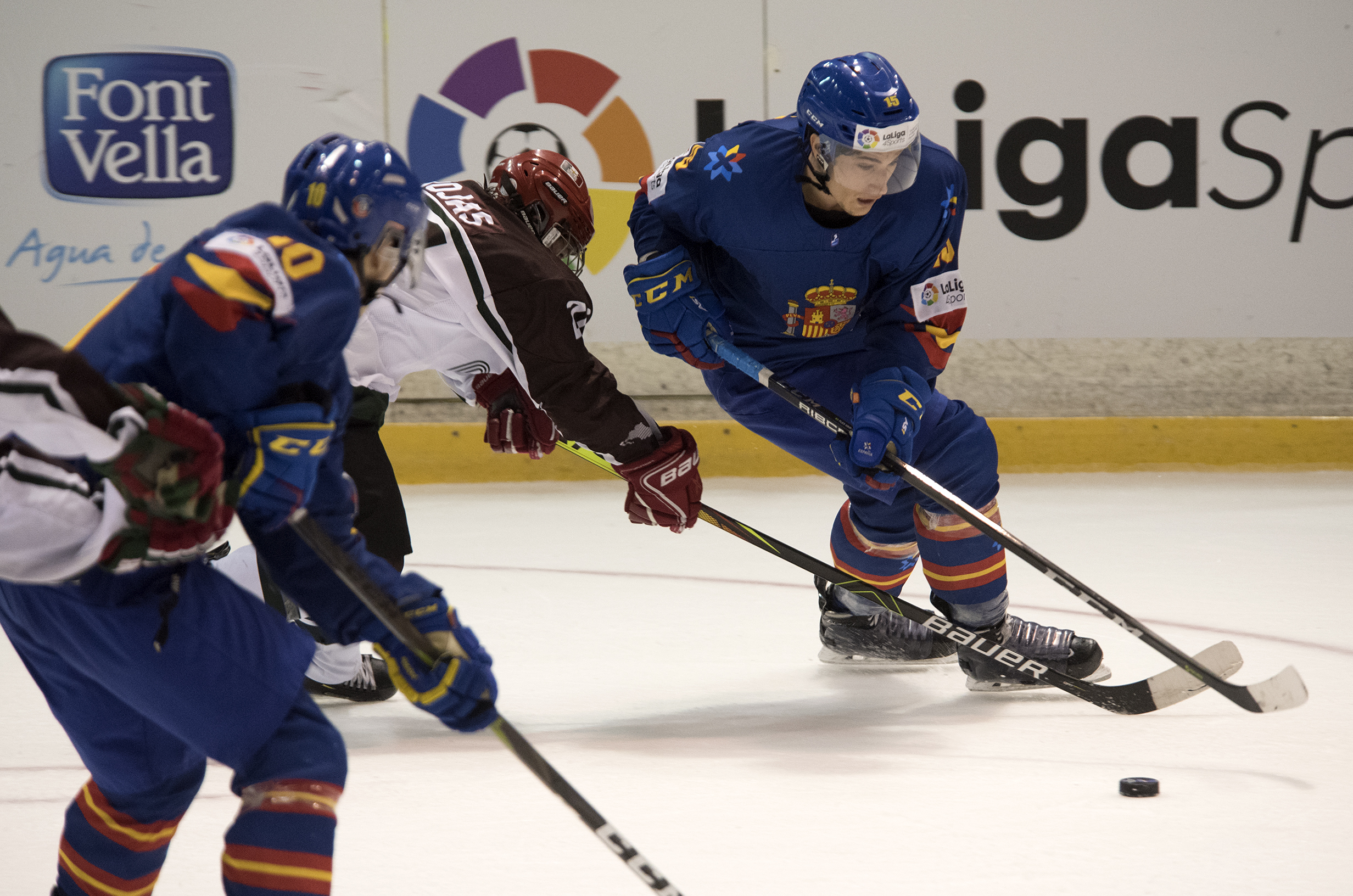 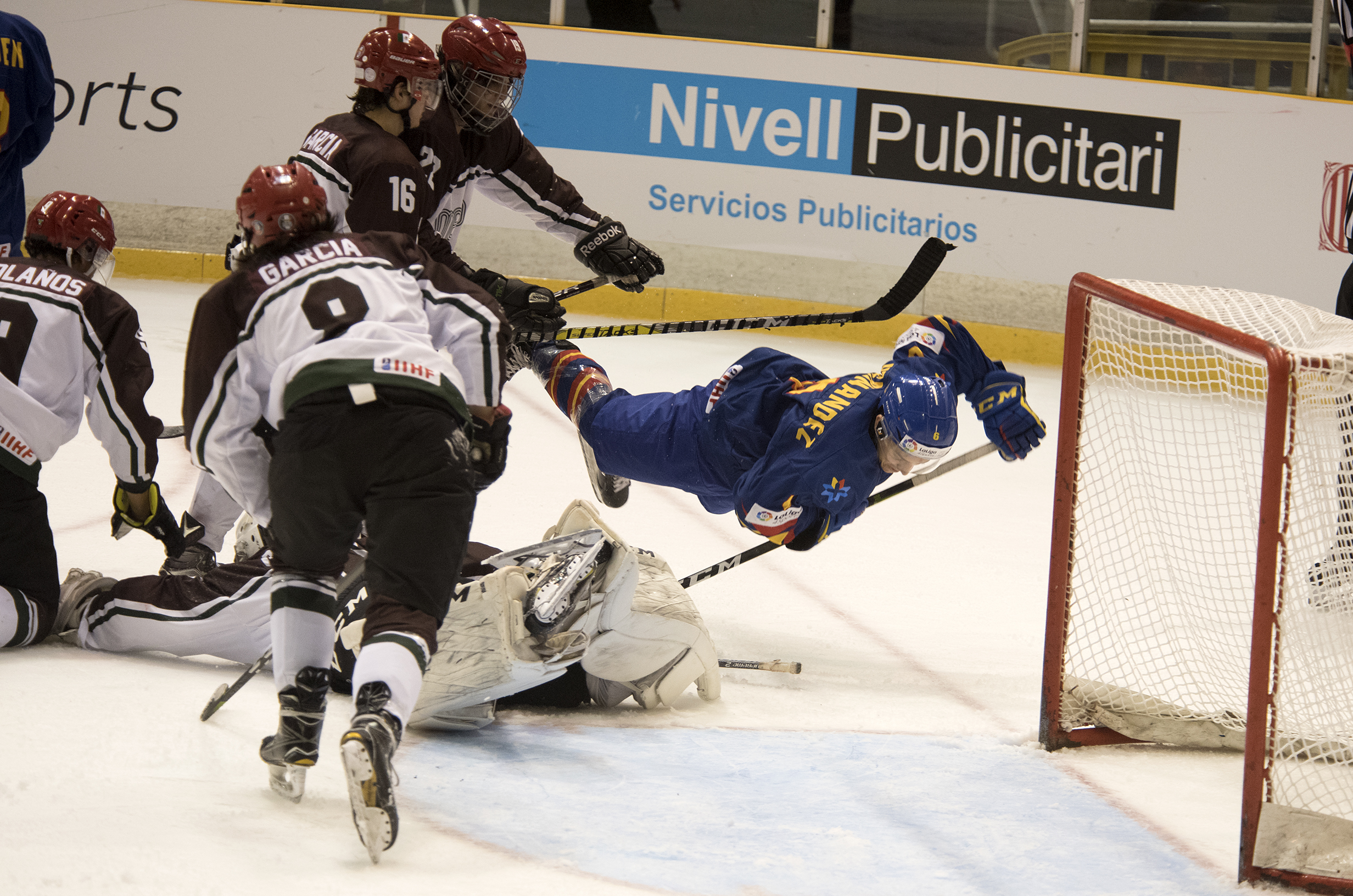 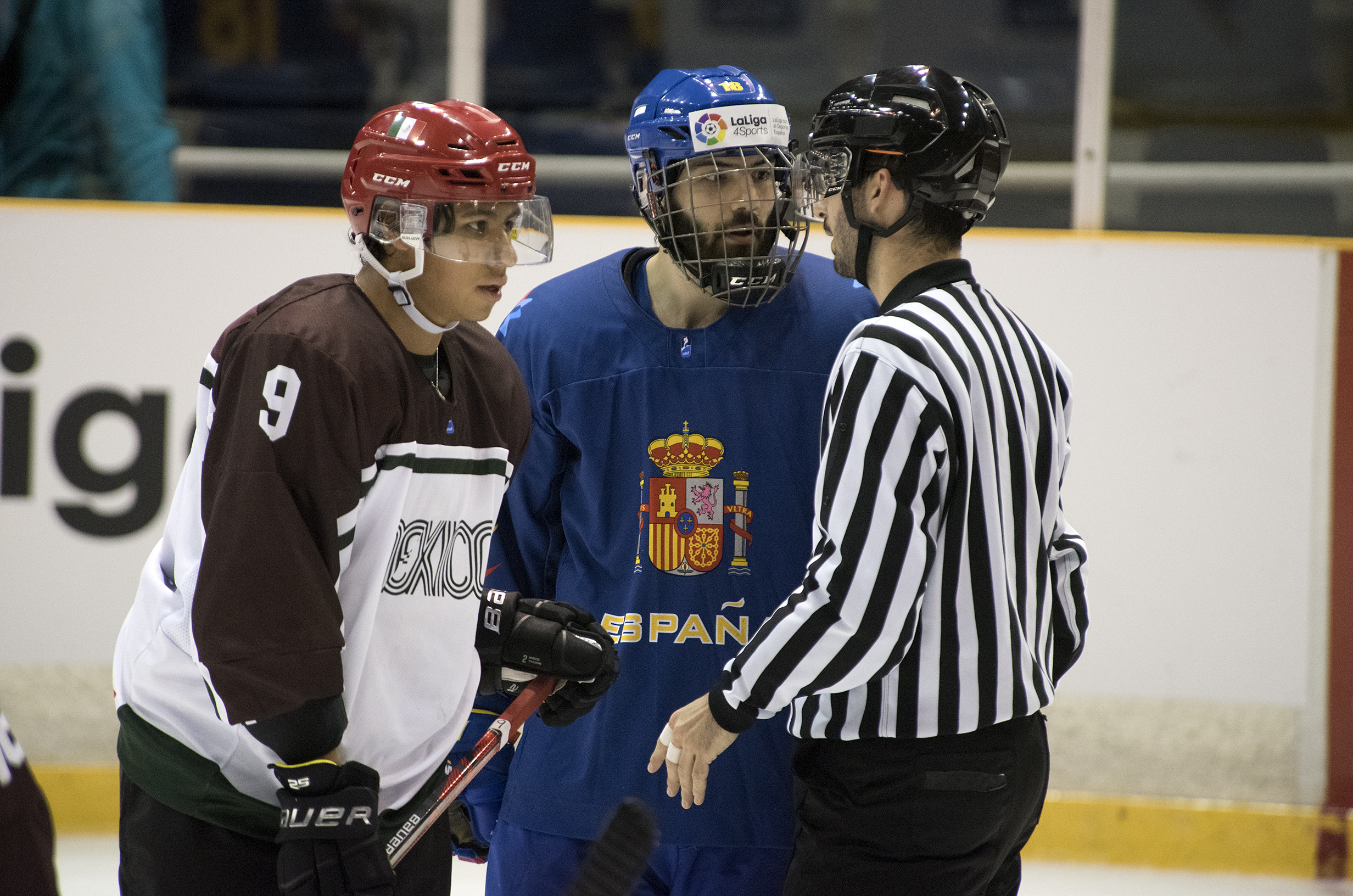