Gian-Marco Wetter scored the third-period winner as Switzerland kicked off the 2020 IIHF World Junior Championship with a hard-fought 5-3 victory over never-say-die Kazakhstan.

Defenceman David Aebischer fired a slapper from the right point and Wetter, heading to the front of the net, tipped it home with 11:05 left.

Matthew Verboon had a pair of goals, and Jeremi Gerber and Joel Salzberger also scored for the Swiss, who finished in fourth place last year.

"I feel it was a great game," said Switzerland's Valentin Nussbaumer. "It's the first game of the tournament. We need to get the legs going, and I think we did a pretty good job. I'm proud of the guys."

Maxim Musorov had two goals and Ruslan Demin added a single for Kazakhstan, which rallied to tie the game three times in a row at Trinec’s Werk Arena on Thursday.

Returning Swiss goalie Luca Hollenstein, whose signature 2019 moment was the 2-0 quarter-final upset over Sweden, got his first win of the 2020 tournament with 16 saves. Vladislav Nurek, who backed up Demid Yeremeyev last year when the newly promoted Kazakhs survived by beating Denmark in relegation play, recorded 29 saves.

The Swiss next have a big rematch on Saturday against Sweden, which has won a record 48 consecutive World Junior preliminary-round games.

"We upset them pretty good last year, so I expect them to come in pretty hard and start off very hard against us," Verboon said. "I think we've got a good team. We can compete with them. I know they're going to compete with us and they're a really good team. I really like their defence. It's going to be a tough game. We're going to have to grind it out on them. But it'll be a fun game."

Neither coach could have been happy with the start of this game, which saw the teams trading minor penalties in the first minute. However, Switzerland’s Thierry Paterlini (briefly) had something to smile about when Verboon opened the scoring at 2:49, tipping in Valentin Nussbaumer’s rising wrister.

Against the flow of the play, Musorov knotted the score on a breakaway with 4:50 left in the first period. The Kazakh assistant captain took a terrific headman pass from Oleg Boiko, who had broken up a Swiss rush at the blueline. Musorov zinged a high wrister past Holleinstein.

"They took advantage of our mistakes," Verboon said. "I think we made a few too many turnovers in the neutral zone."

Hanging tough, coach Sergei Starygin's boys made it 2-2 at 4:54 of the second period on the power play. Konstantin Bondarenko atoned for taking his team’s last penalty, as he dangled in over the blue line and slipped a pass to Demin, whose high shot from the right faceoff circle eluded Holleinstein.

Switzerland again retook the lead just past the midway mark, this time on Nurek's miscue. Salzberger put the puck off the boards to the goalie's right and it rebounded strangely into the crease. The Kazakh goalie was caught off guard and it bounced in off his left skate.

Kazakhstan refused to go away quietly. At 15:39, Musorov potted his second goal of the game, capitalizing on a Swiss defensive zone turnover along the boards and sliding into the slot to whip a high shot home.

"I definitely felt good scoring two goals," Musorov said. "But again, at the end of the day, we lost the game. My linemates helped me a lot. Without them, that wouldn't be possible."

In the third period, after Wetter's 4-3 go-ahead goal, Kazakhstan had a window of opportunity with Swiss assistant captain Nico Gross off for roughing, but couldn't get the equalizer.

With 6:06 left, Verboon cut to the slot and winged a wrister past Nurek to finally give Switzerland some breathing room at 5-3.

"It gives me a lot of confidence," said Verboon, who has one goal and one assist in 16 games with Colgate University this season. "Going through the tournament last year and not being able to score and then coming in here and getting two goals, it's always nice to get those out of the way early. It builds confidence going in against stronger teams later in the tournament."

Last year in Victoria, the underdog Kazakhs became the darlings of the Save-on-Foods Memorial Centre crowd, who treated them to rousing choruses of Neil Diamond’s “Sweet Caroline.” This year, their Game One roster was announced to the strains of the Scorpions’ “Alien Nation.” But they didn't look like aliens here. They're ready to compete at the elite level, despite not having their top five scorers from last year.

It’s been a long time since these two nations last met at the World Juniors. At the 2008 tournament in the Czech Republic, the newly promoted Kazakhs stunned the Swiss 3-1 on a pair of goals from forward Yakov Vorobyov. Switzerland would be relegated, while Kazakhstan stayed in the elite division.

Next up for Kazakhstan is a crucial Group A game against Slovakia on Friday. In 2019, the Slovaks pounded Kazakhstan 11-2. Based on the opener, it won't be that lopsided this time.

Musorov noted the advantage of having 15 roster players from Snezhnye Barsy Astana: "More than half our team already played the whole season together. There are very few guys that came from different places. It definitely helps." 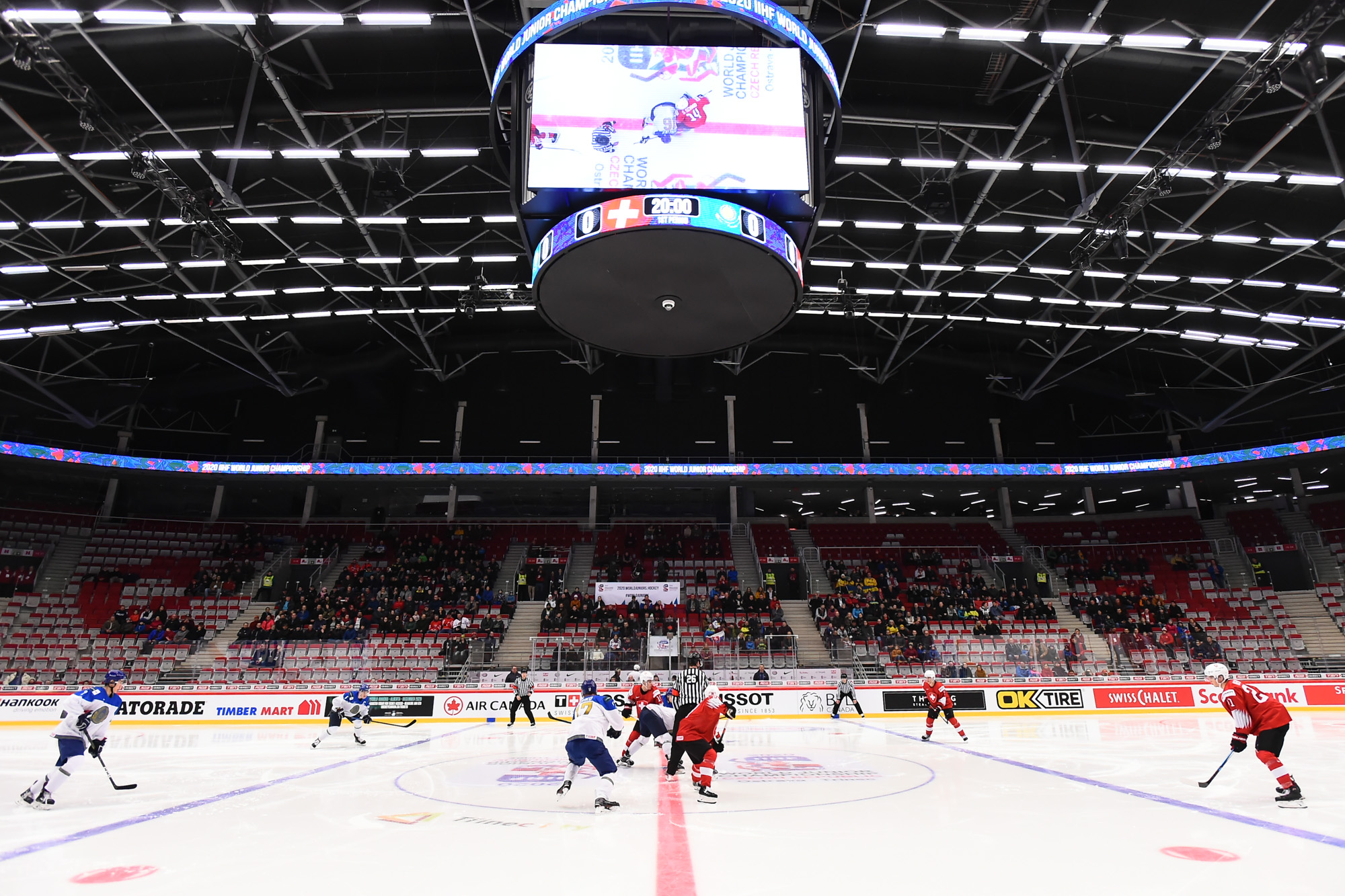 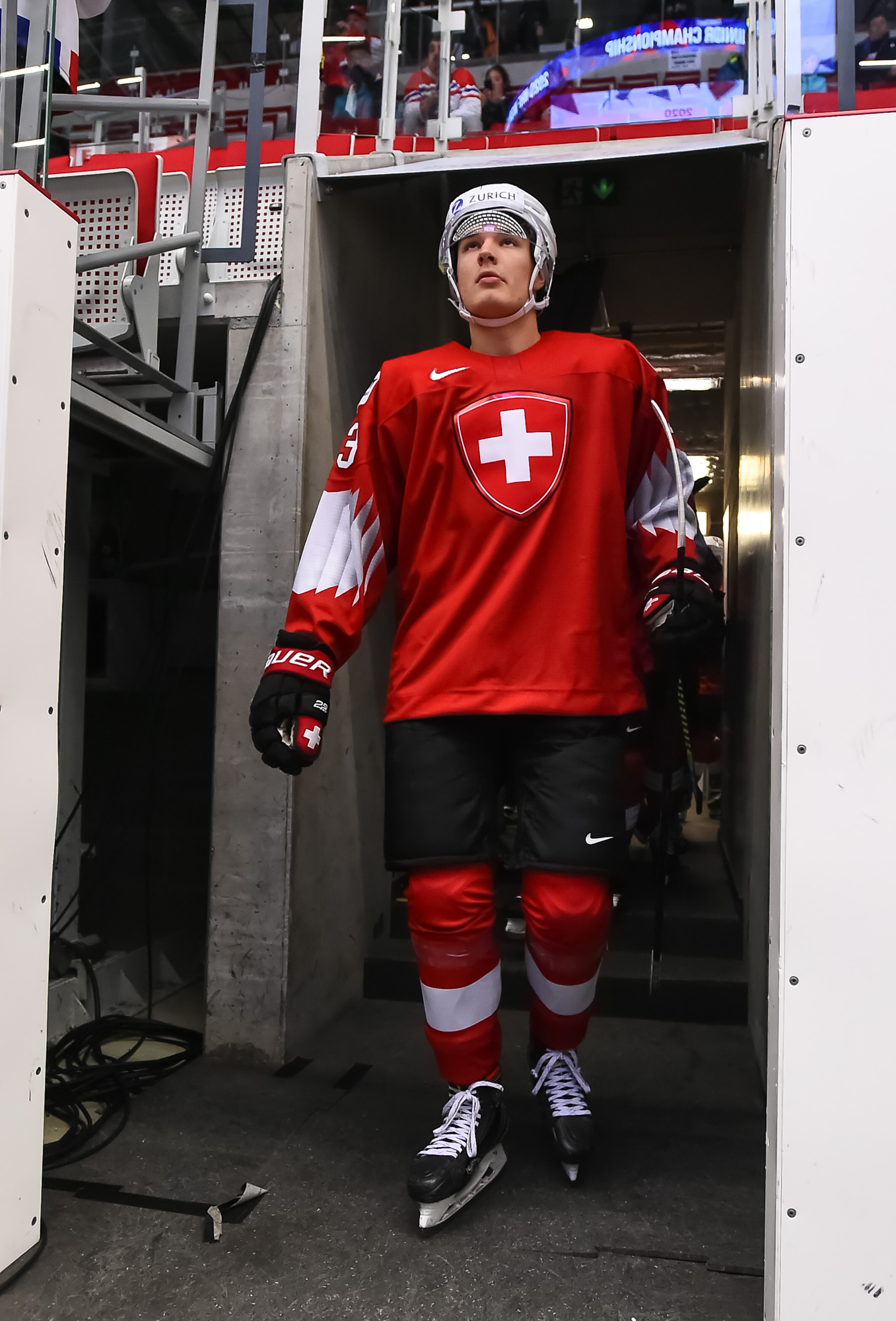 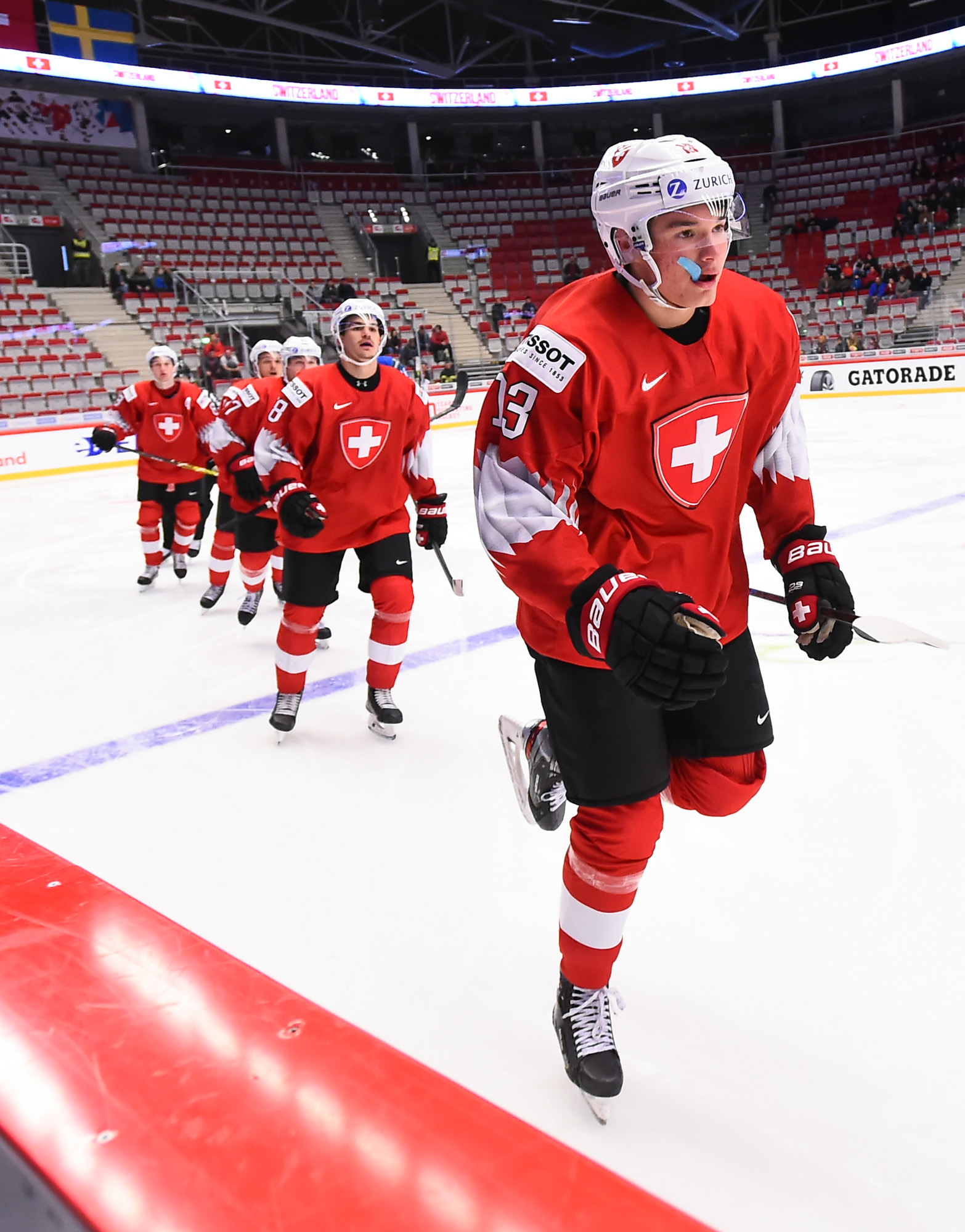 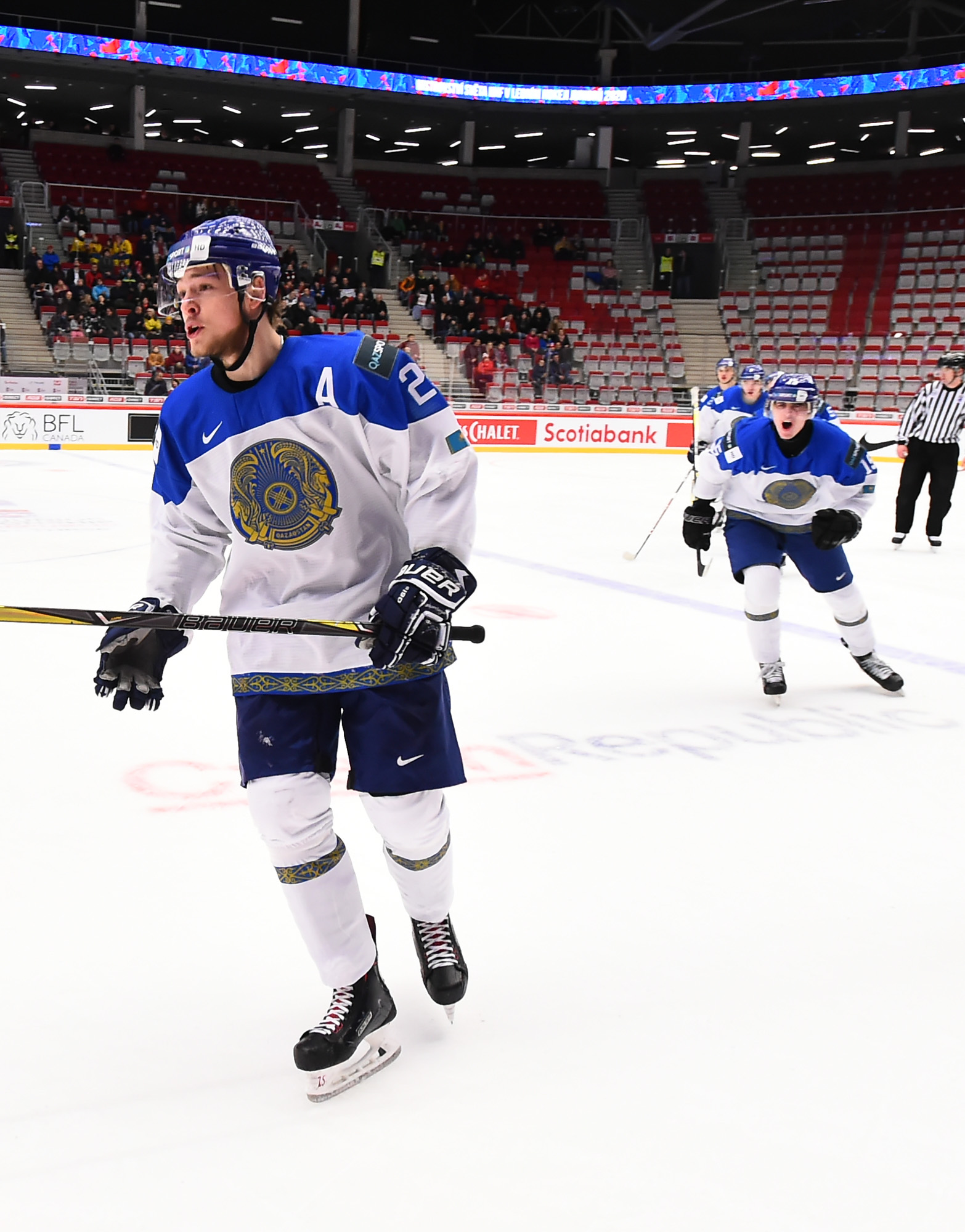 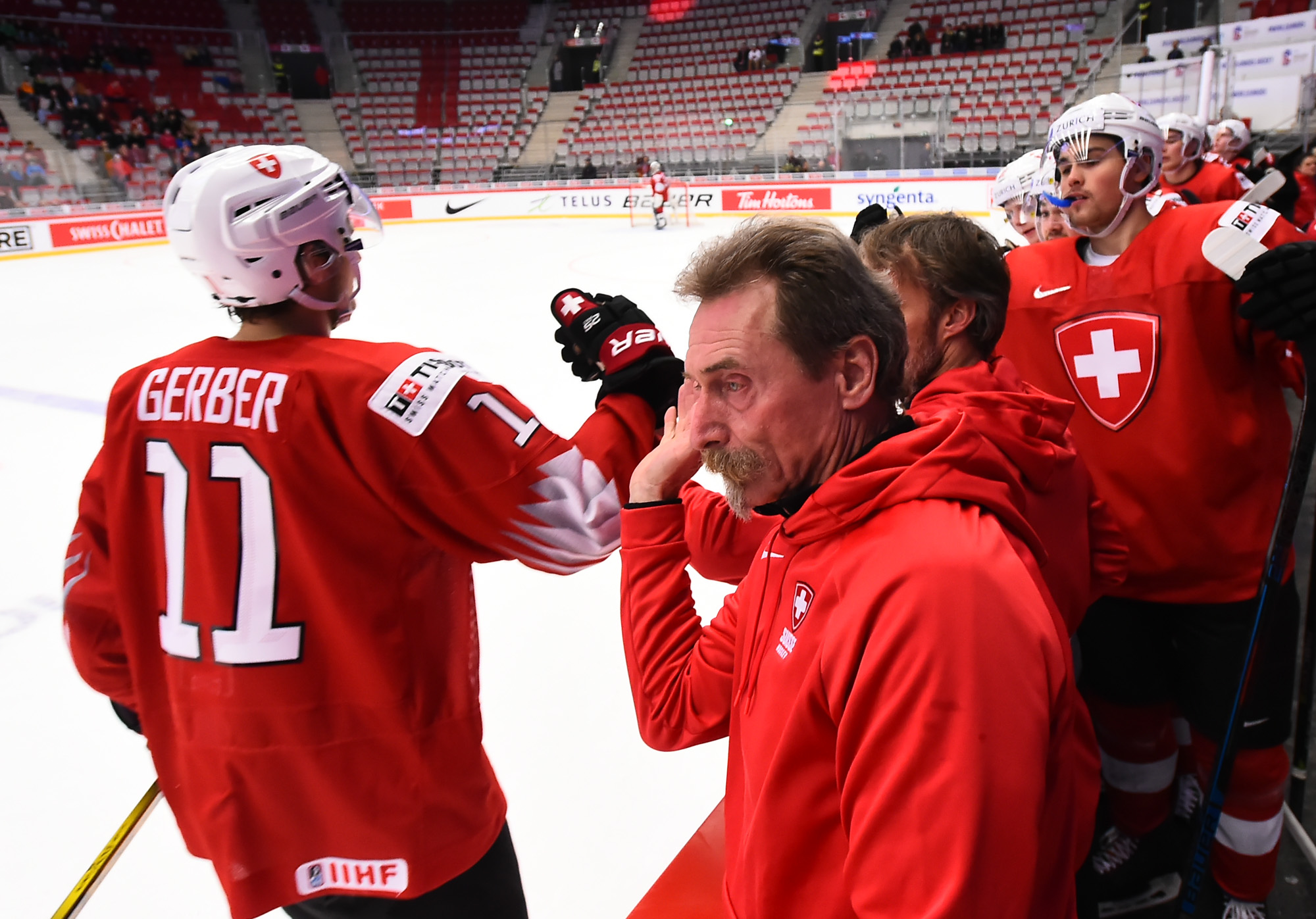 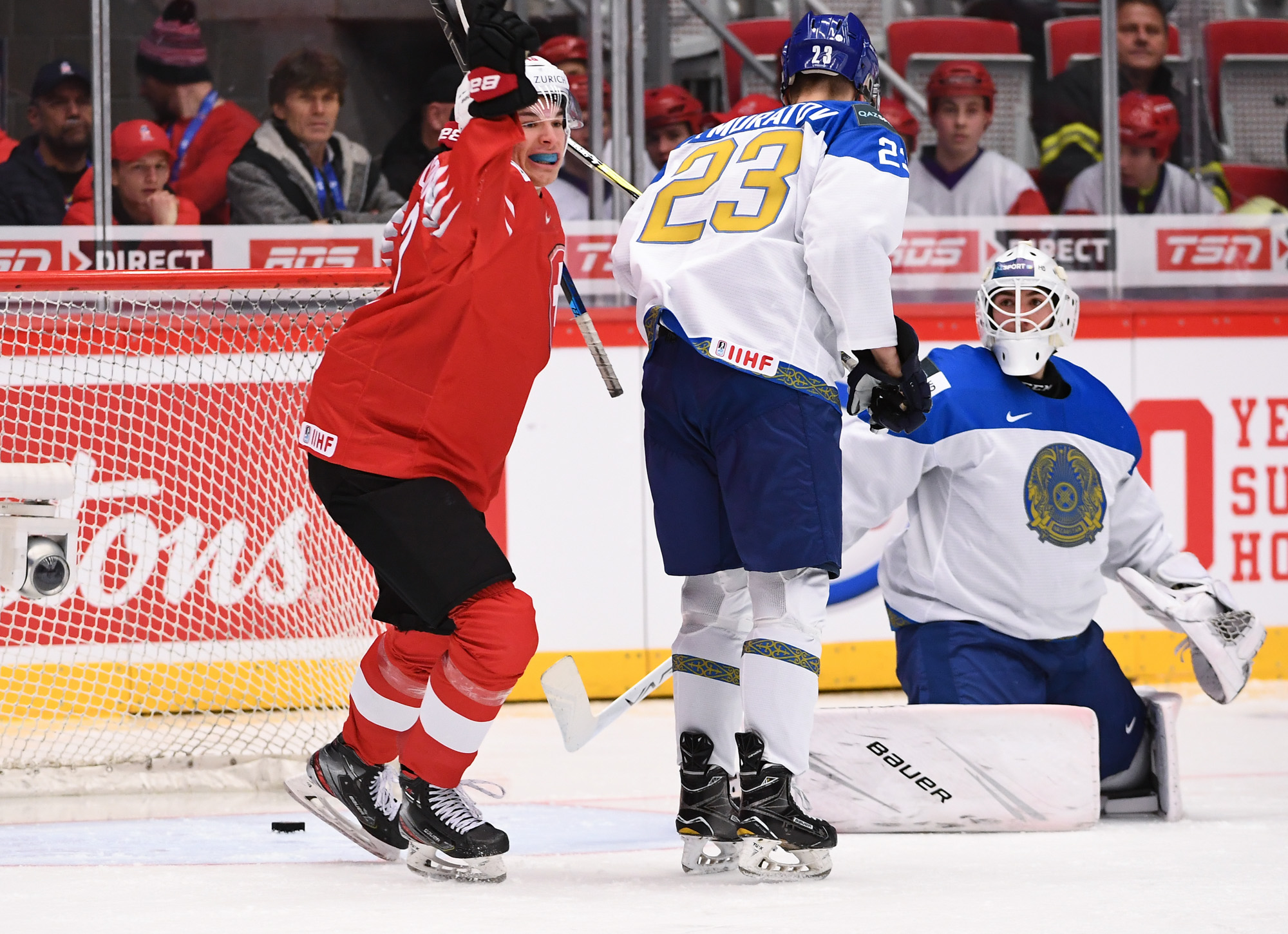 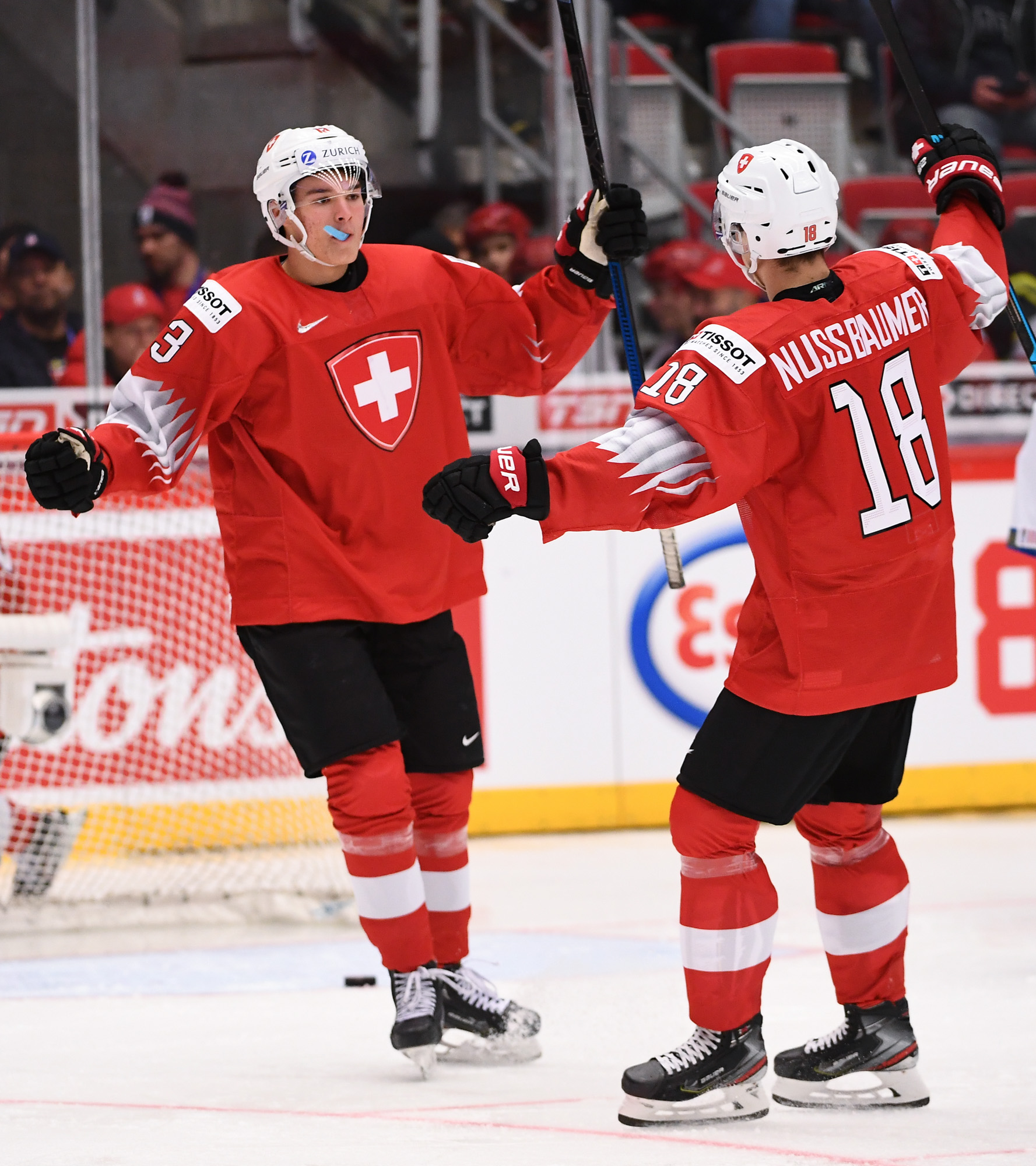 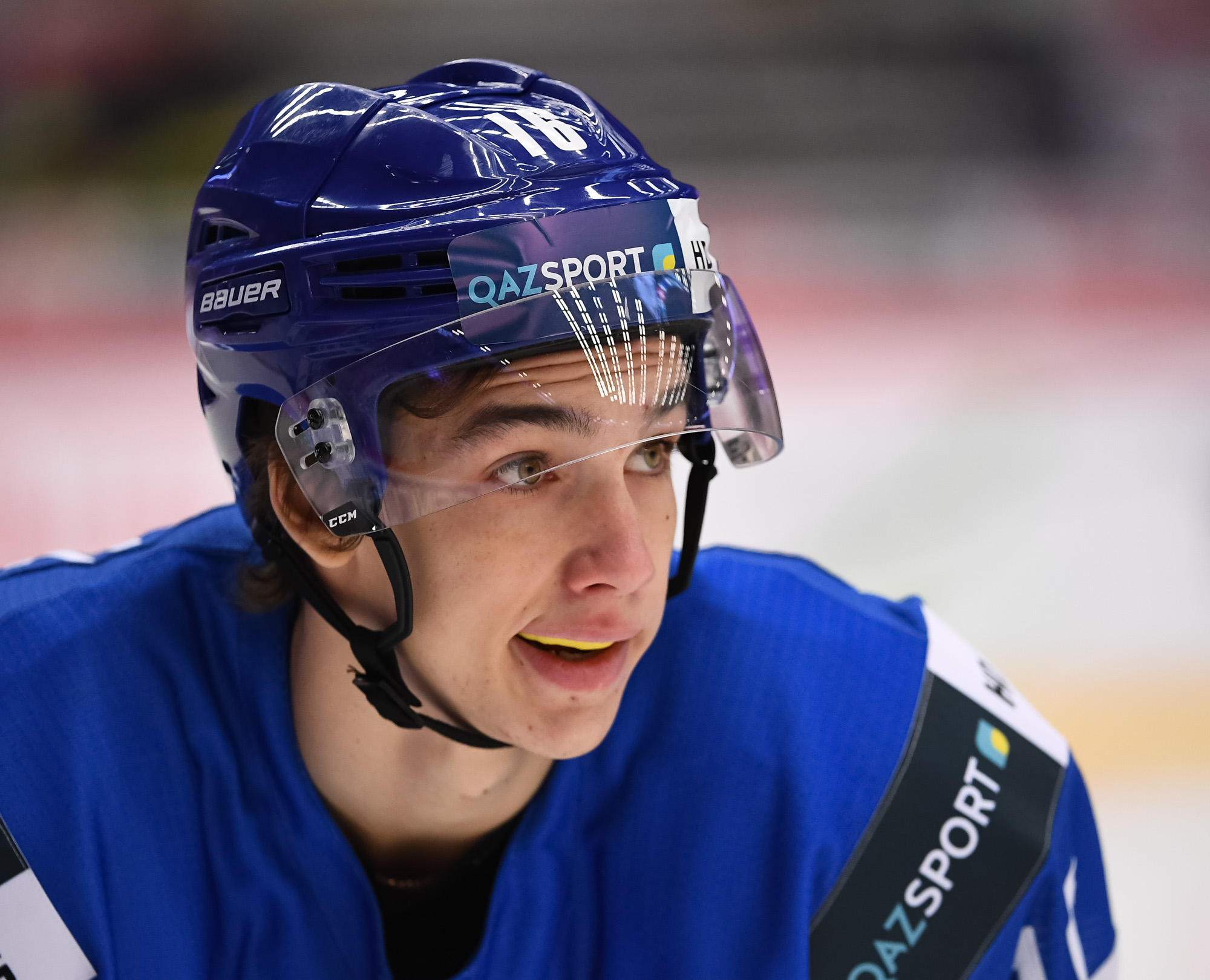 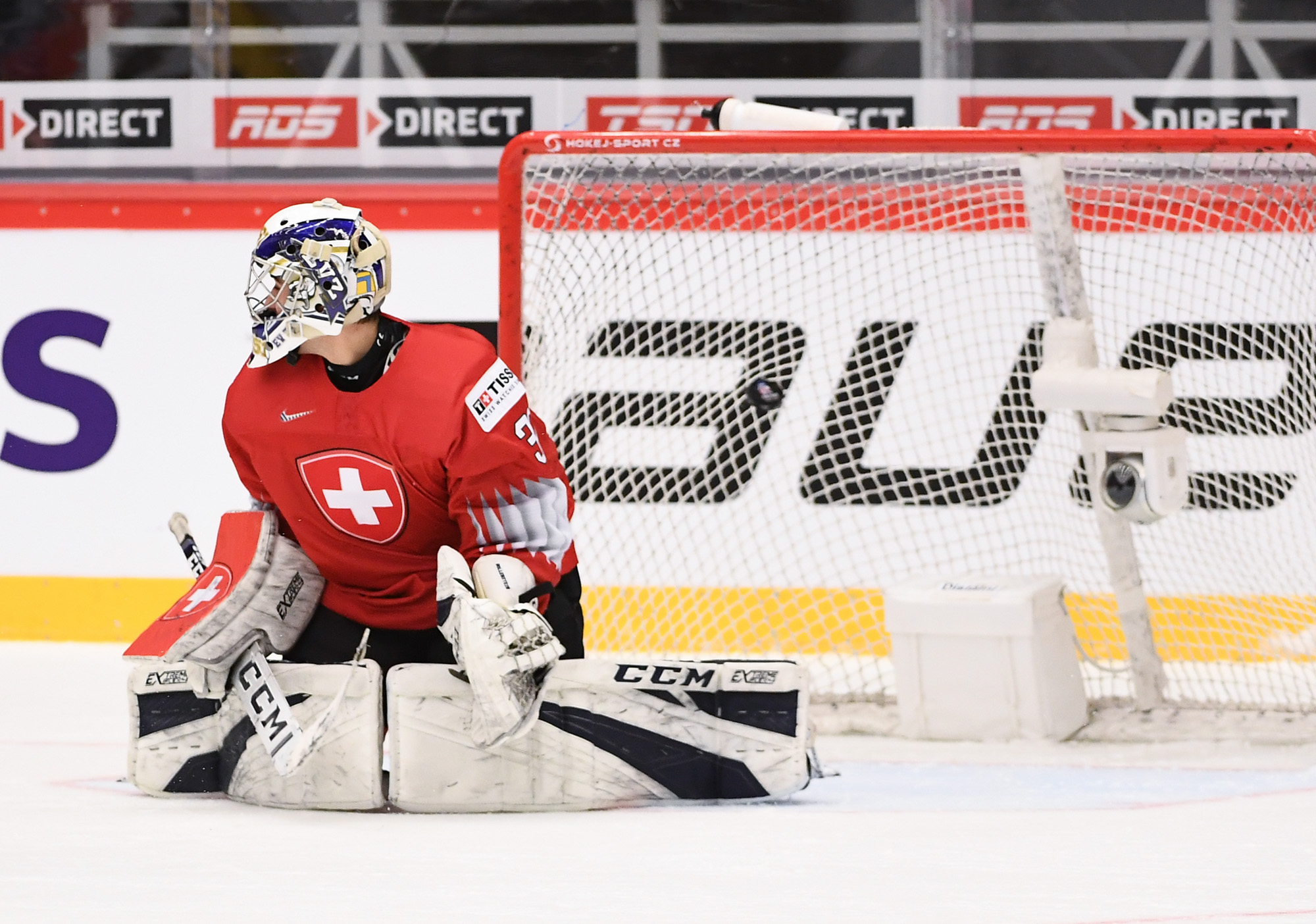 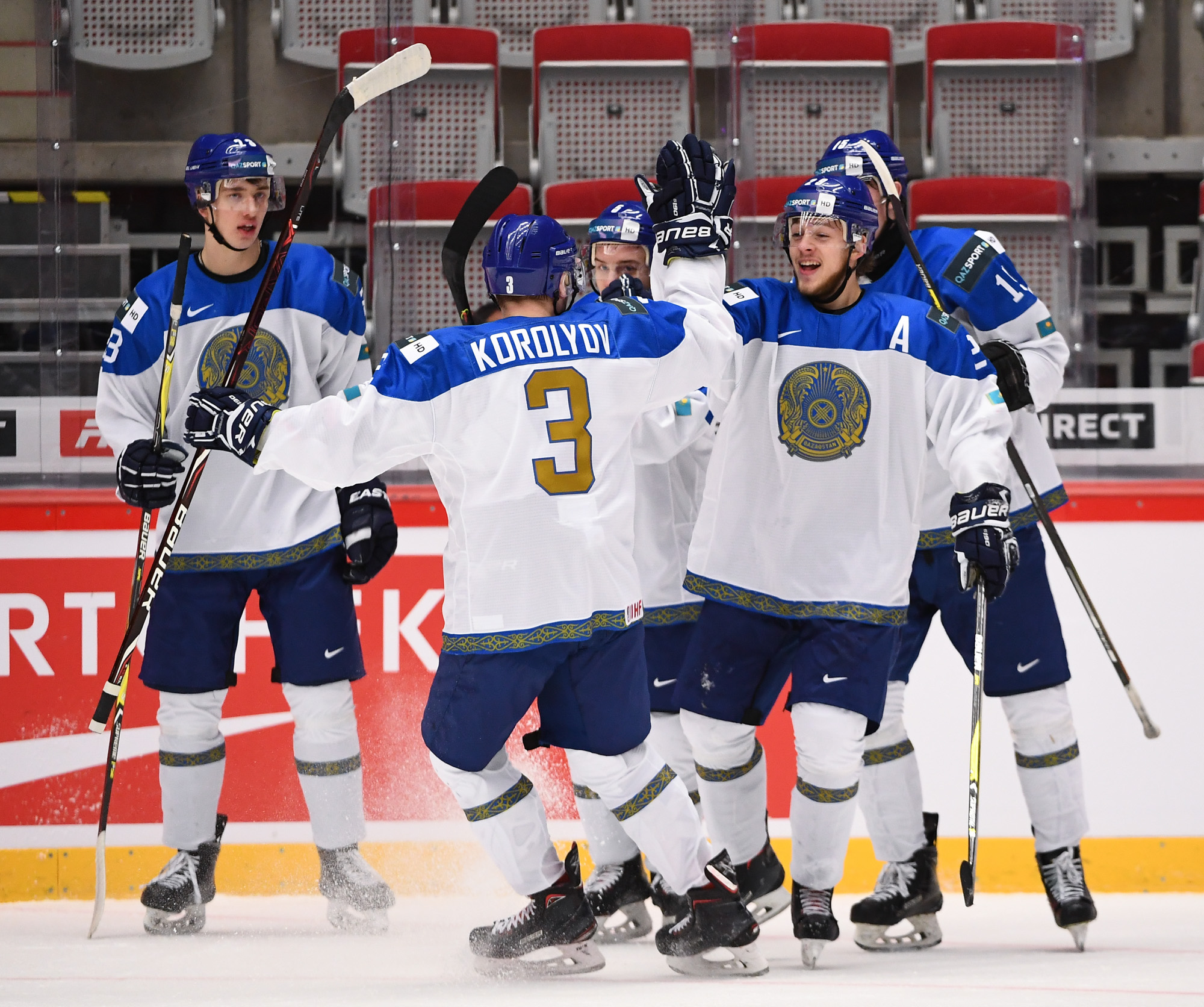 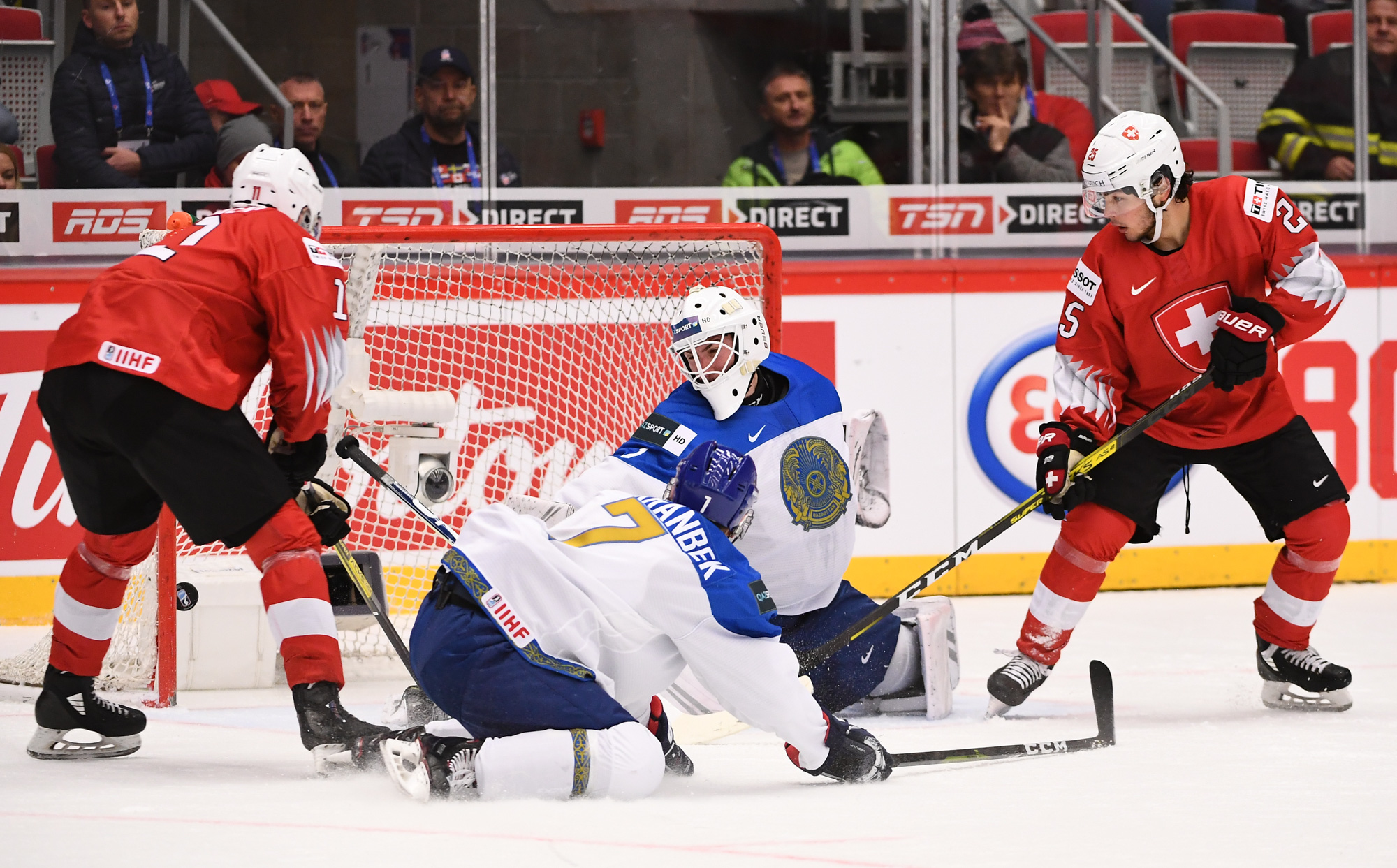 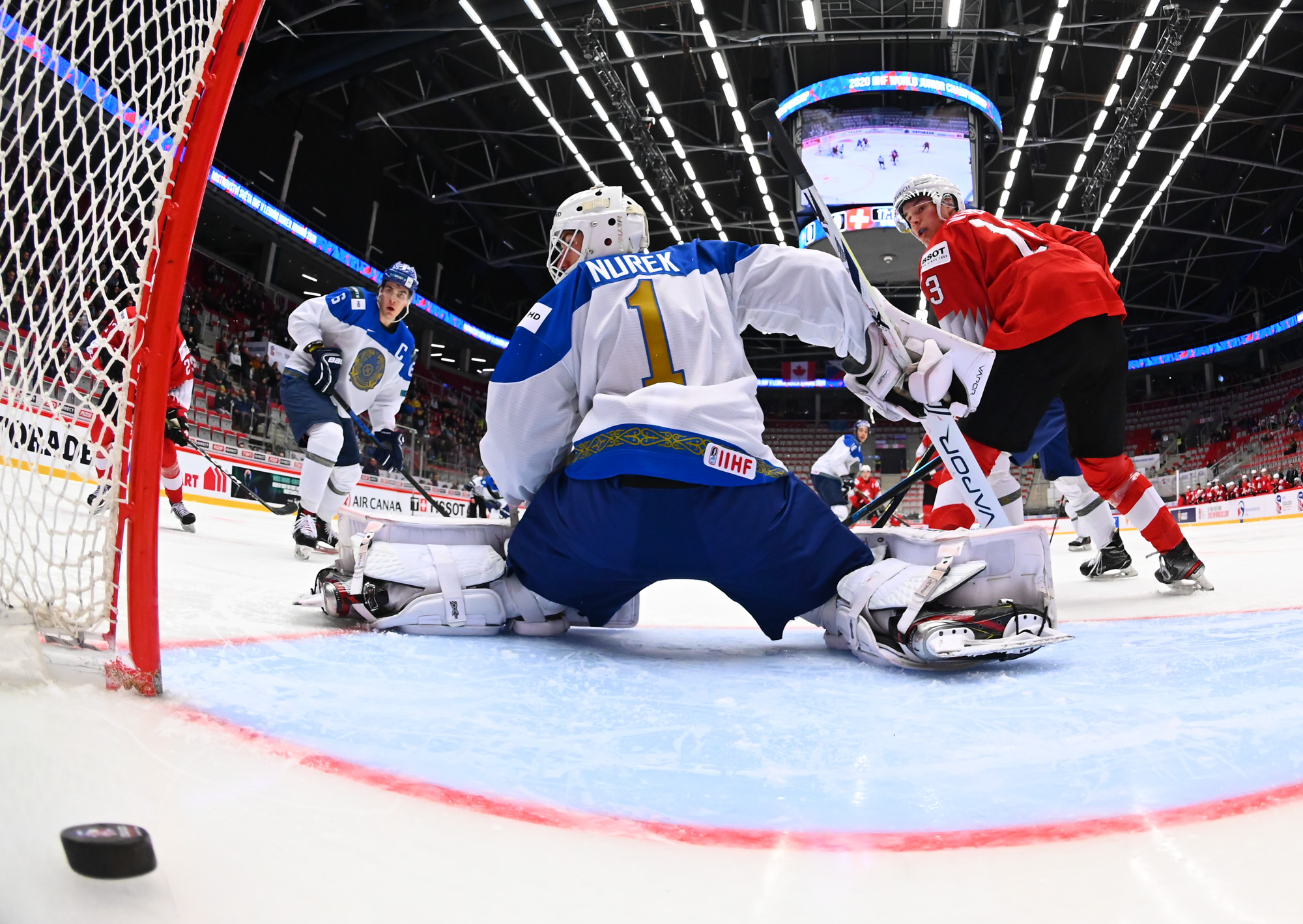 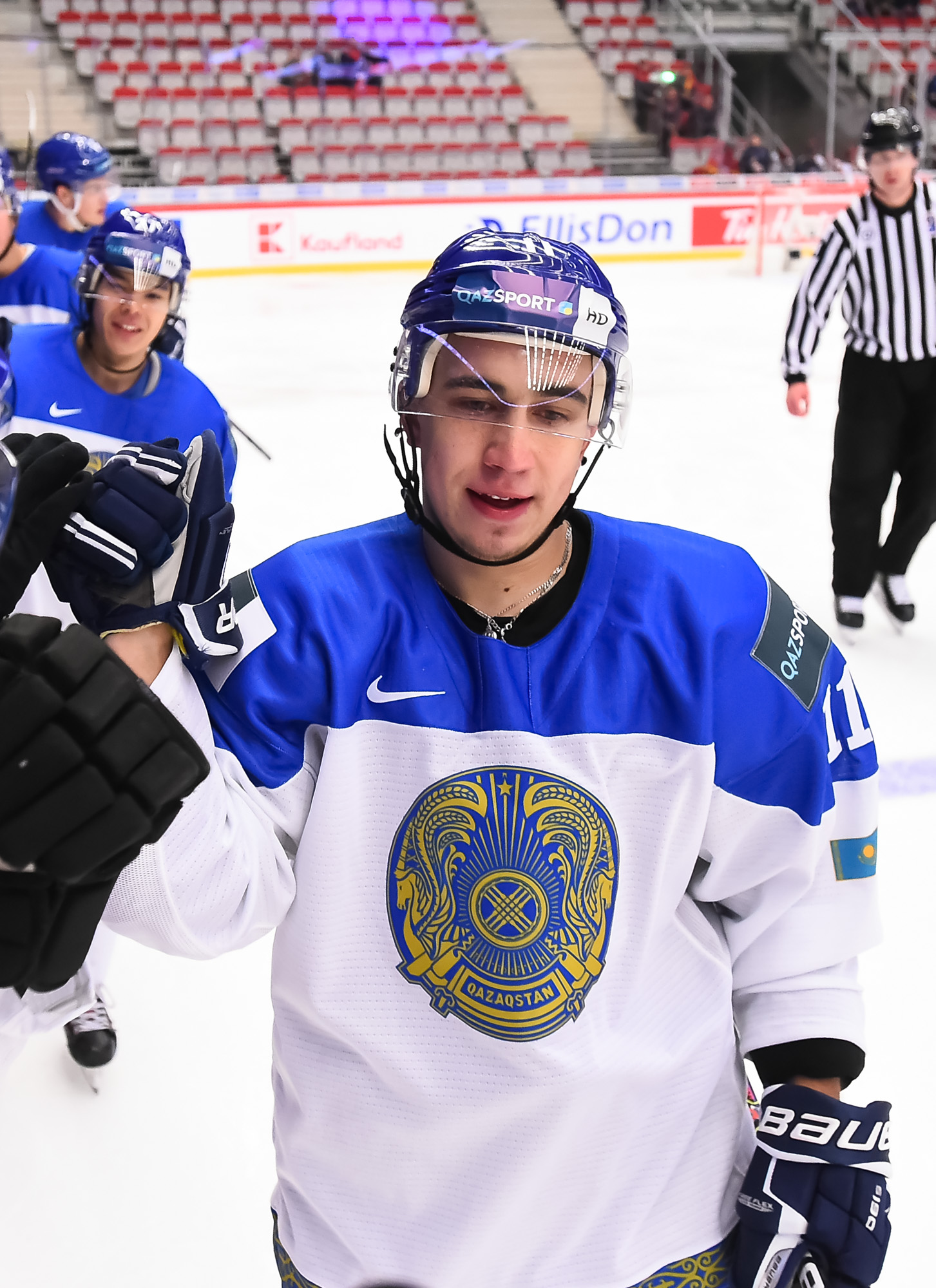 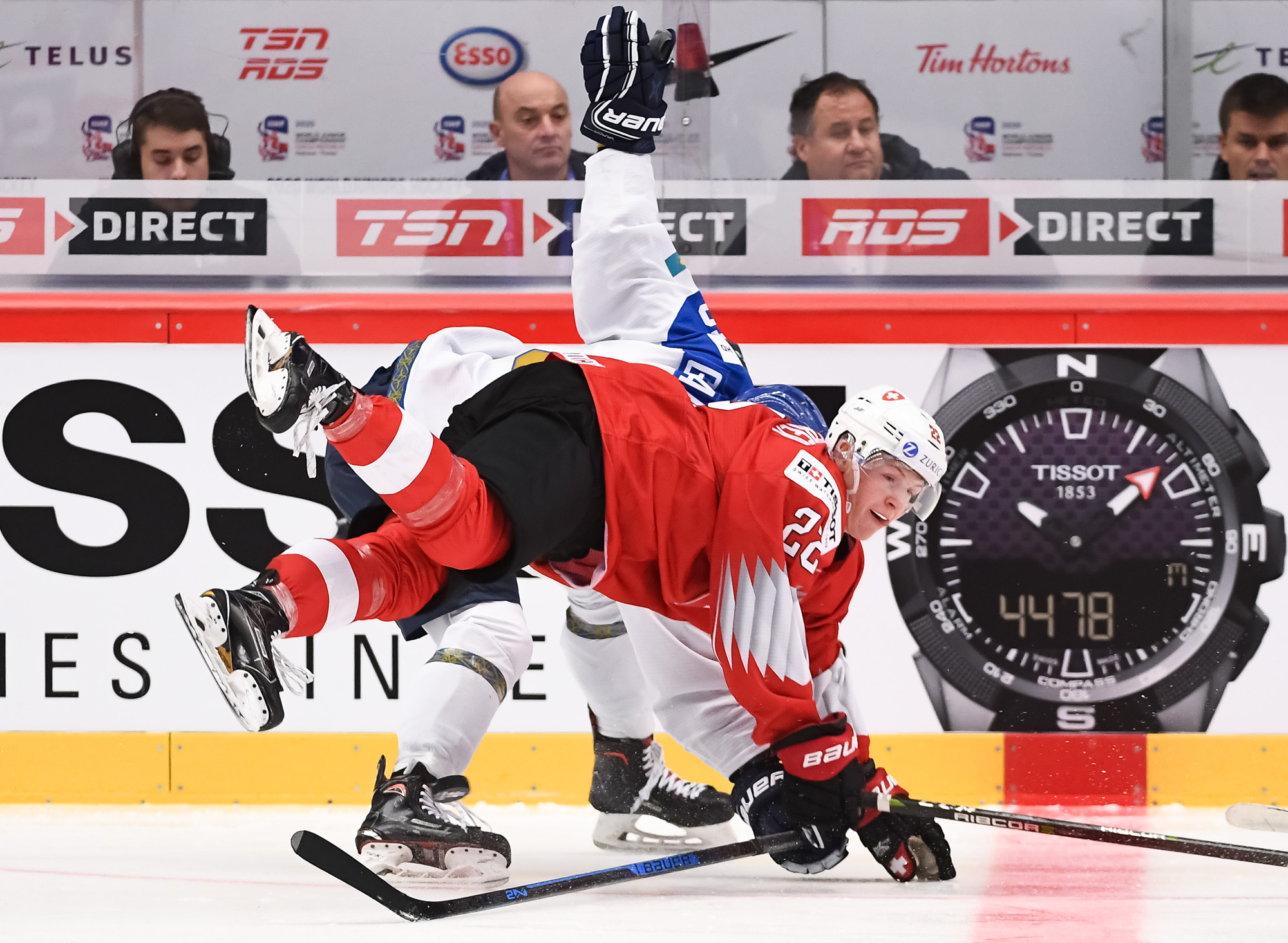 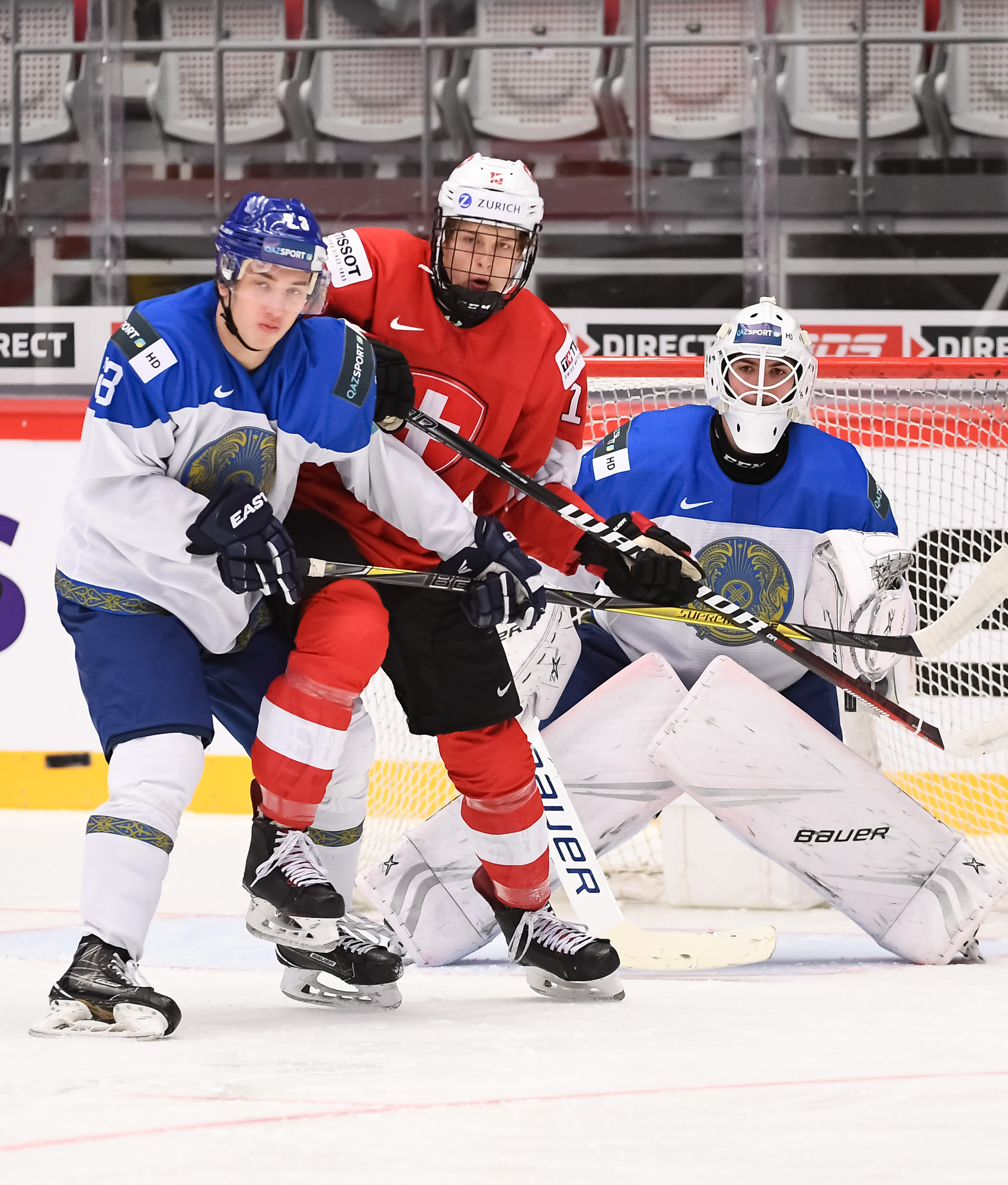 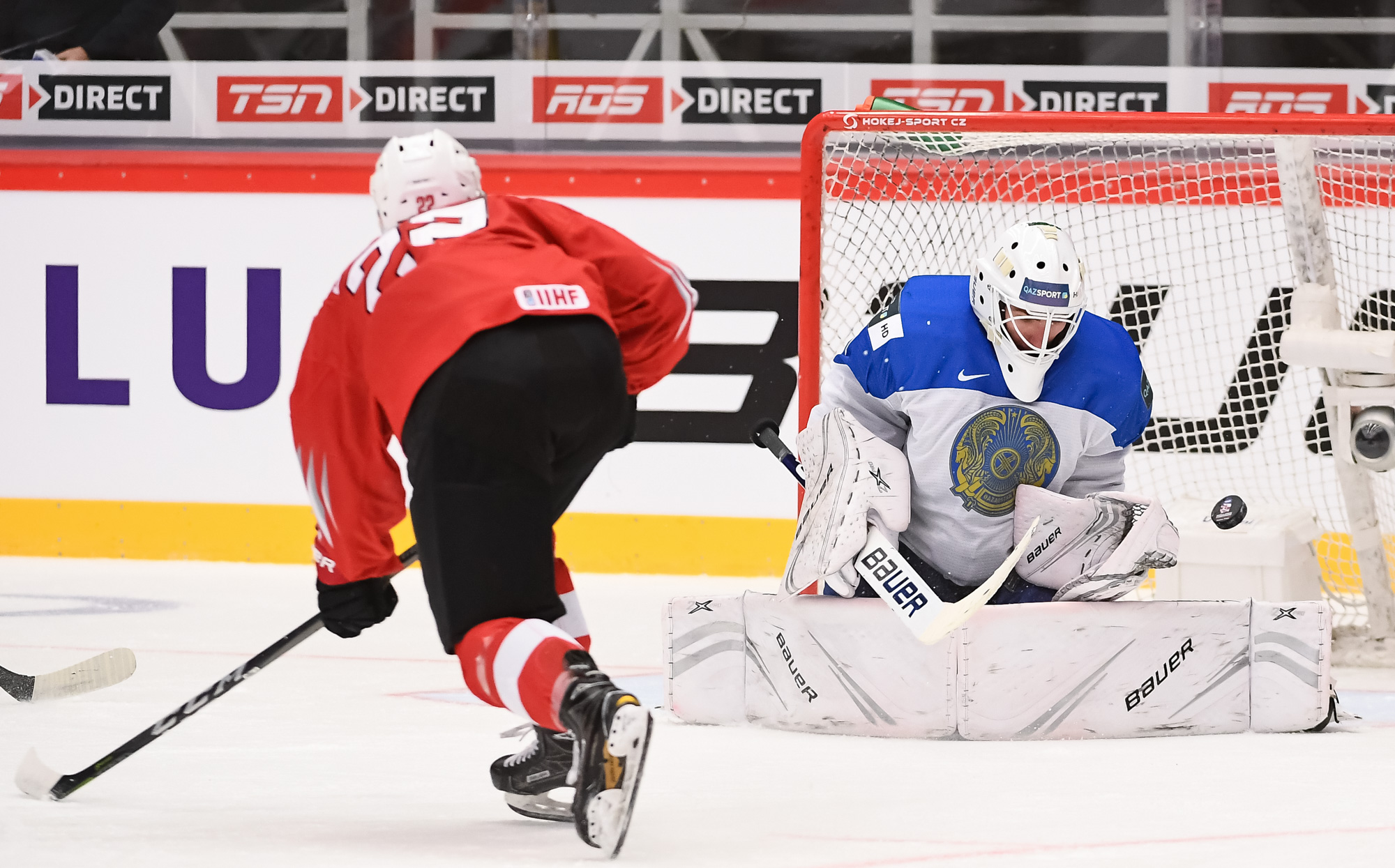 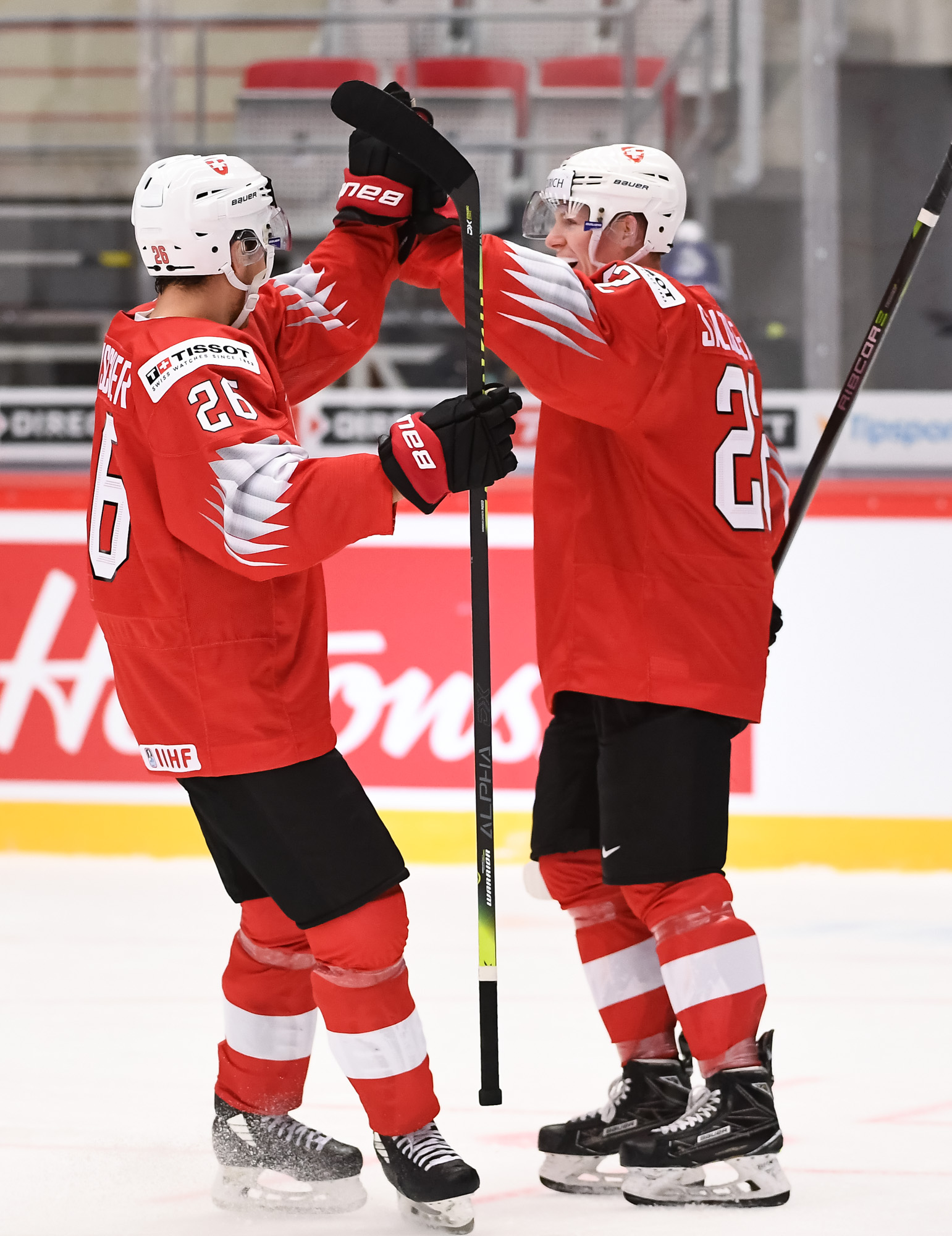 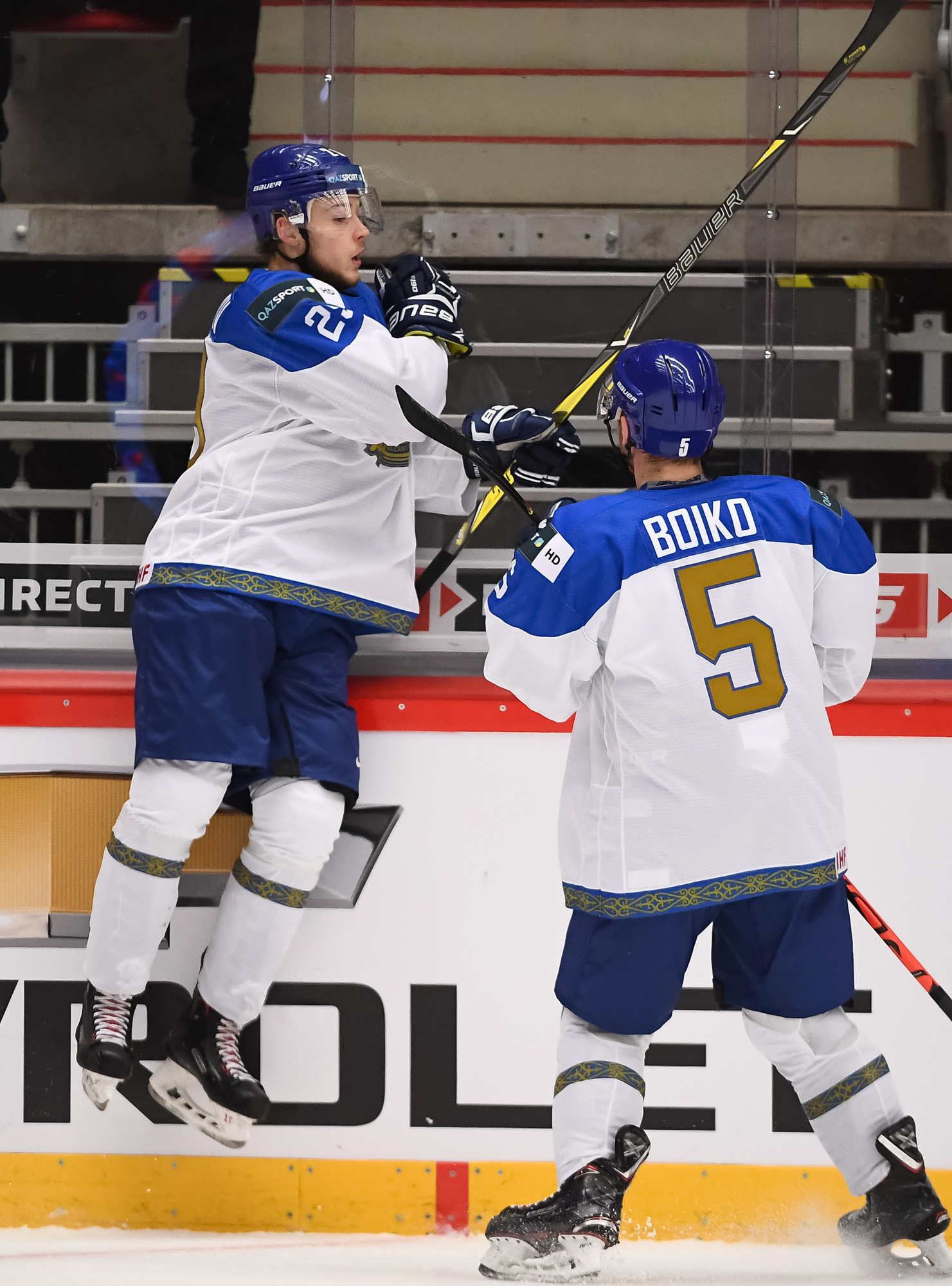 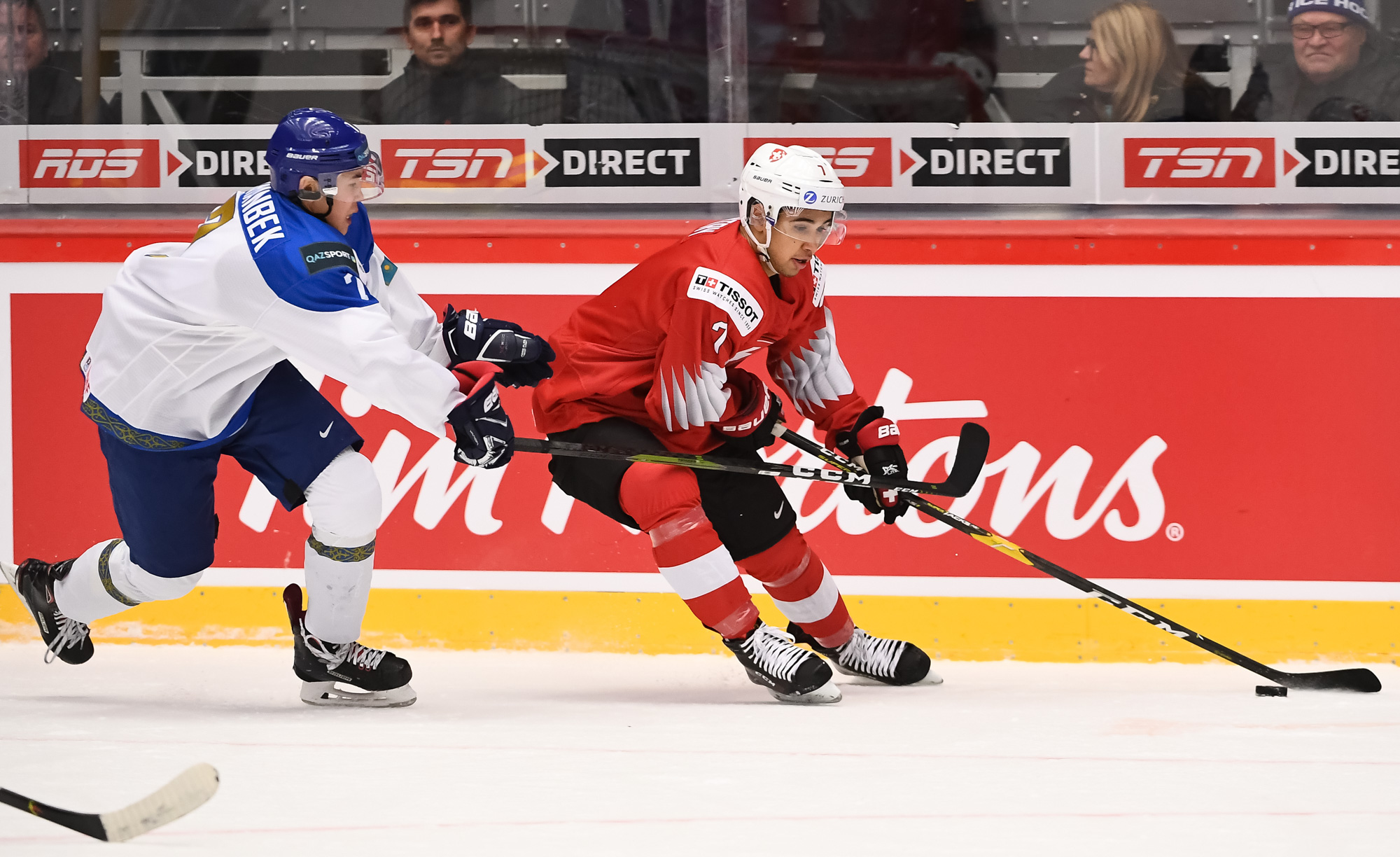 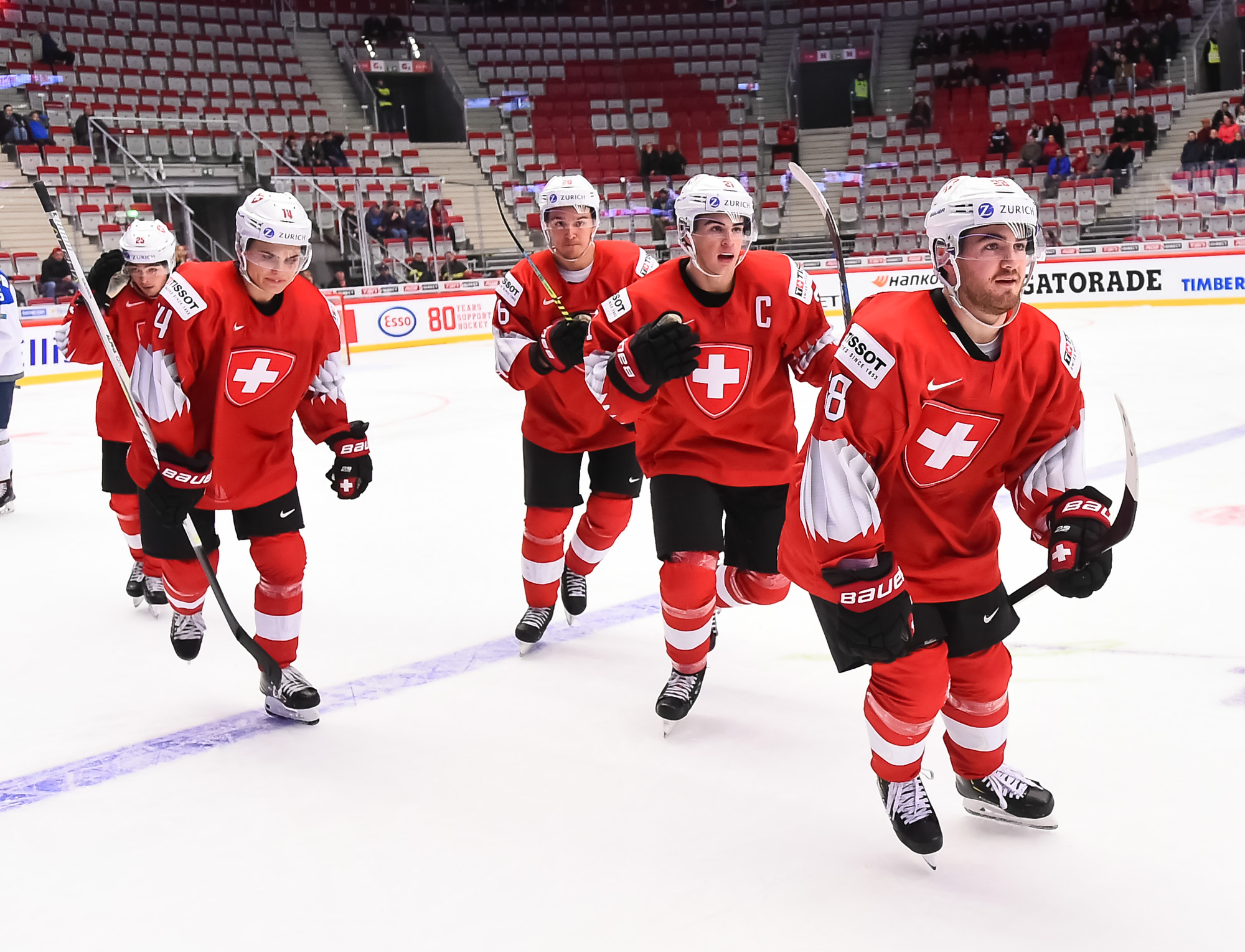 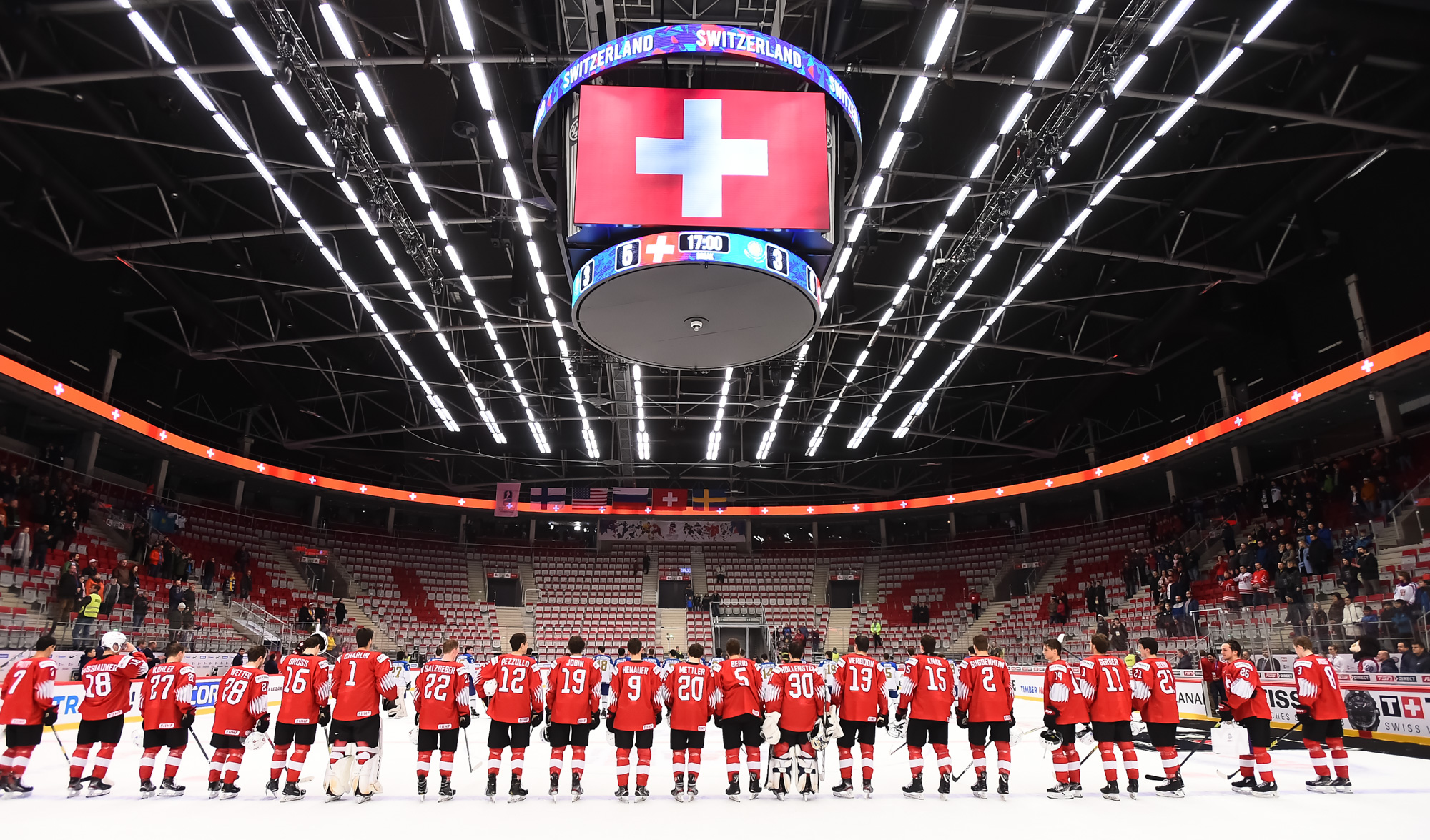 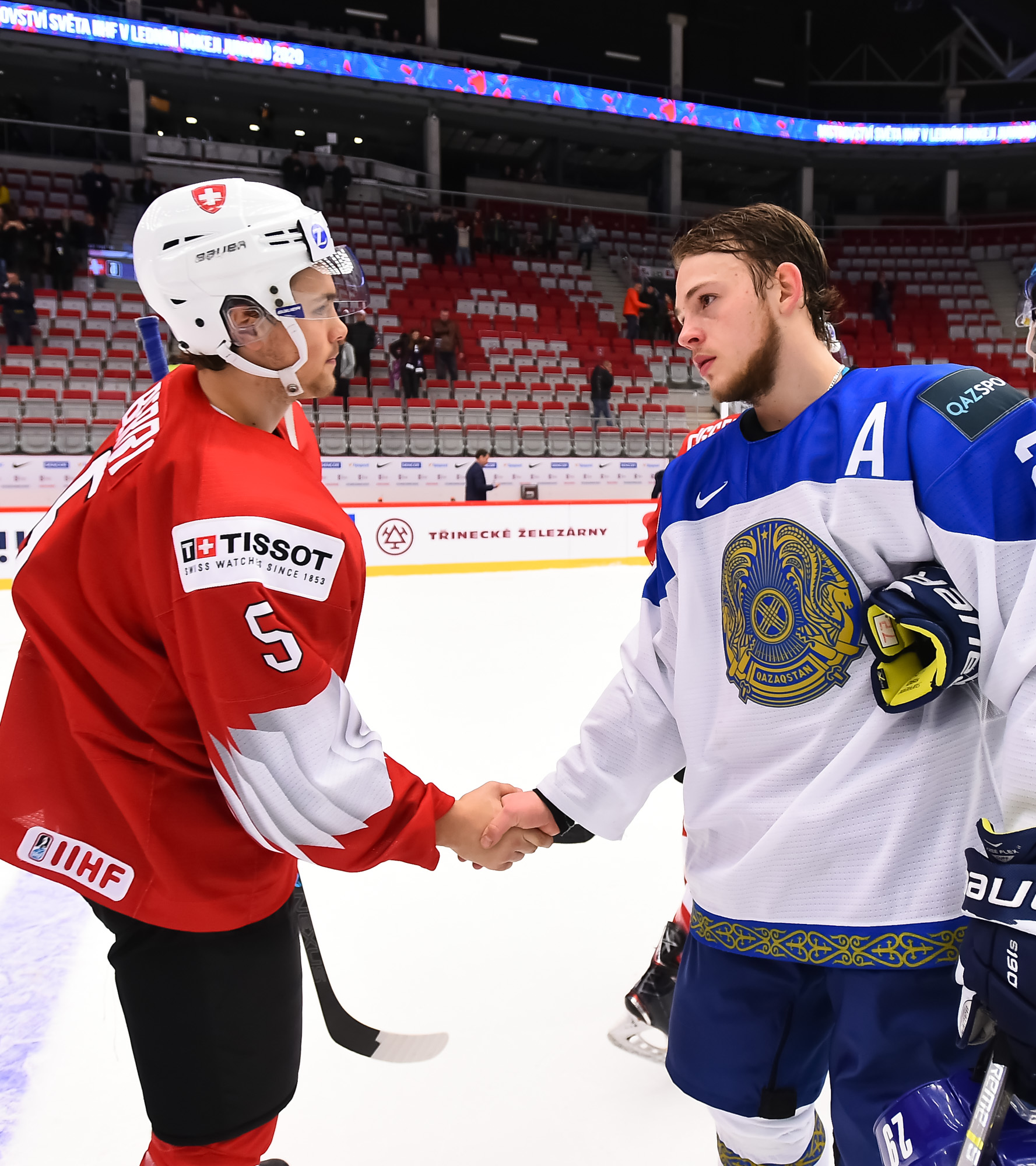 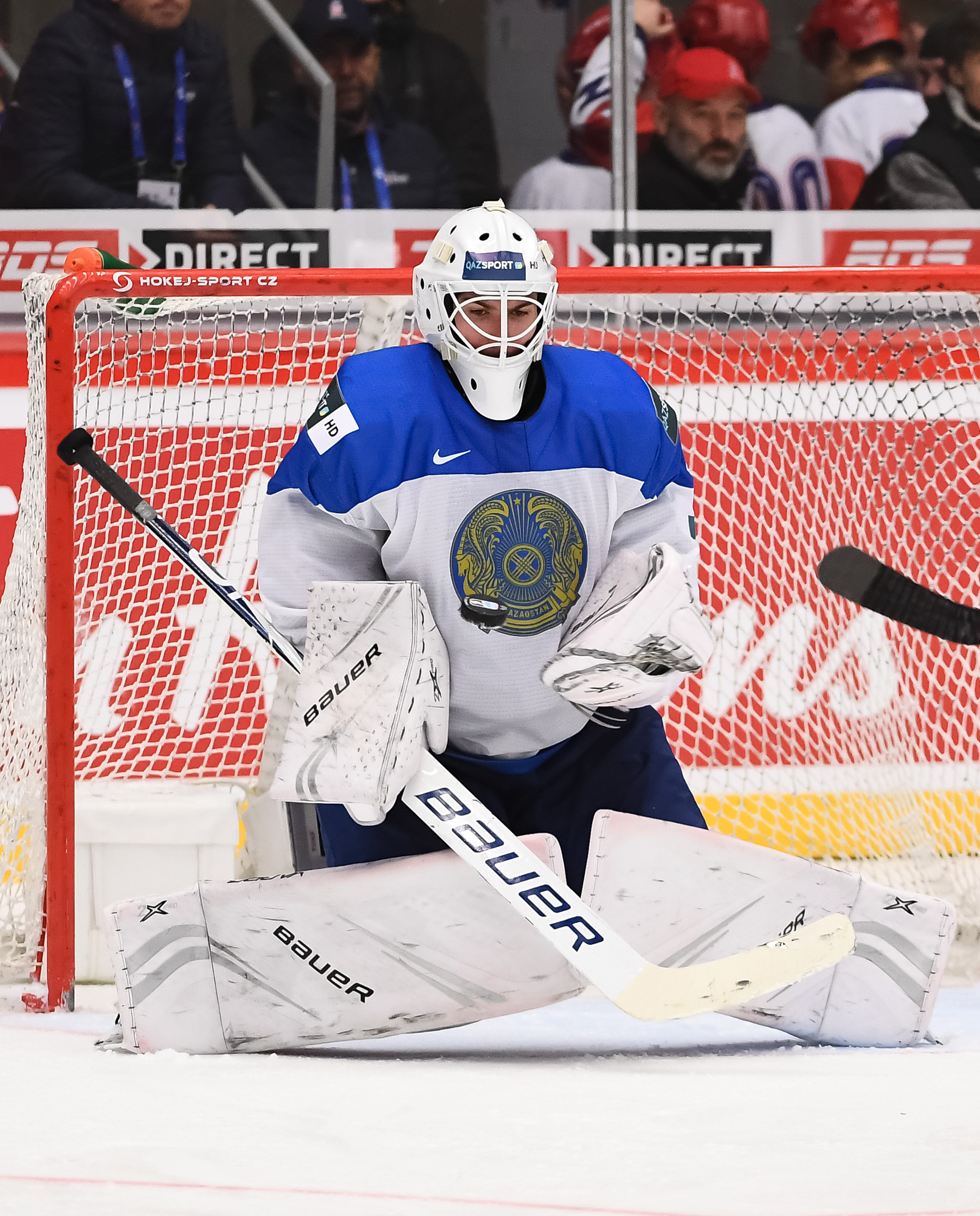 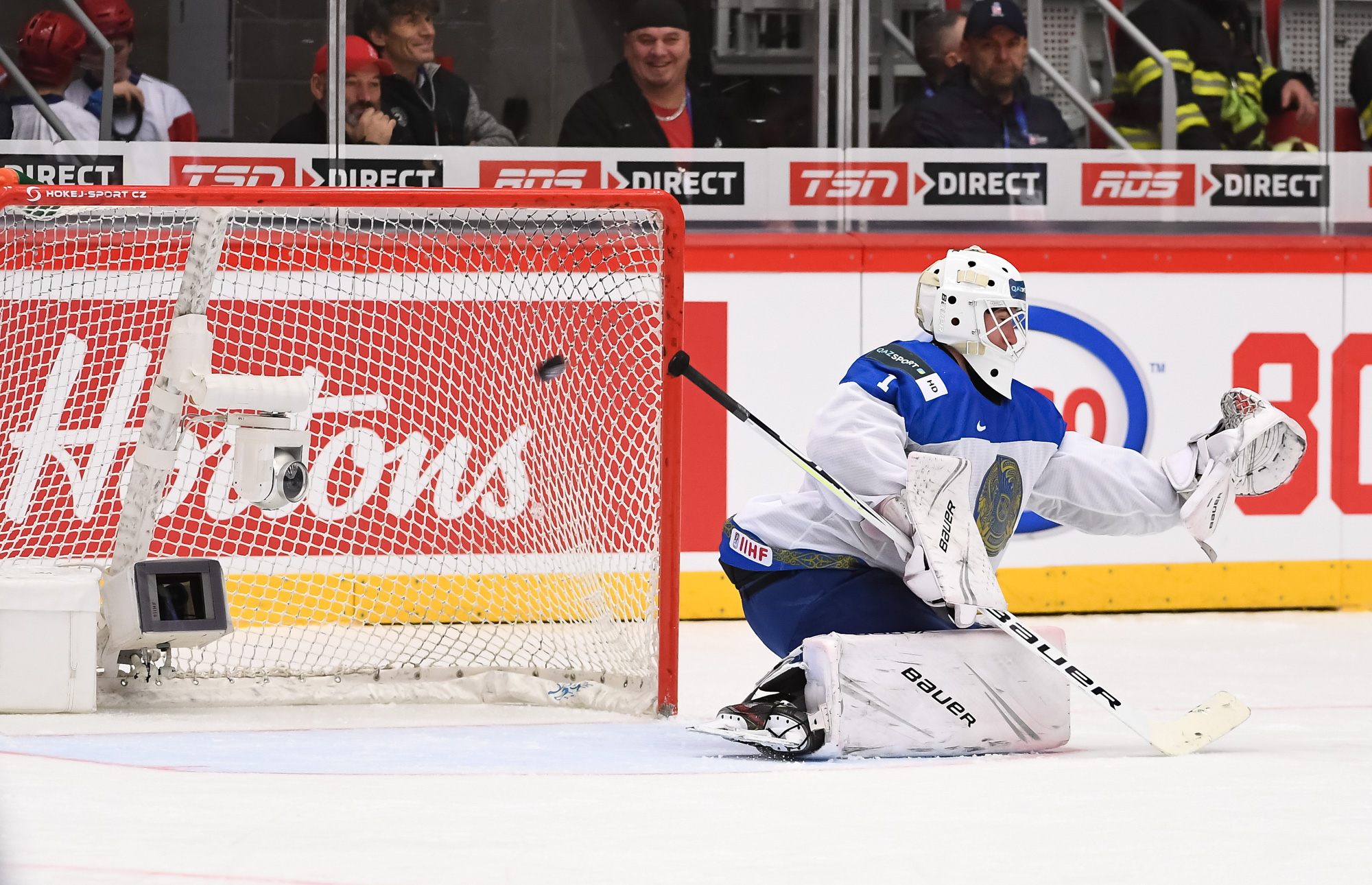 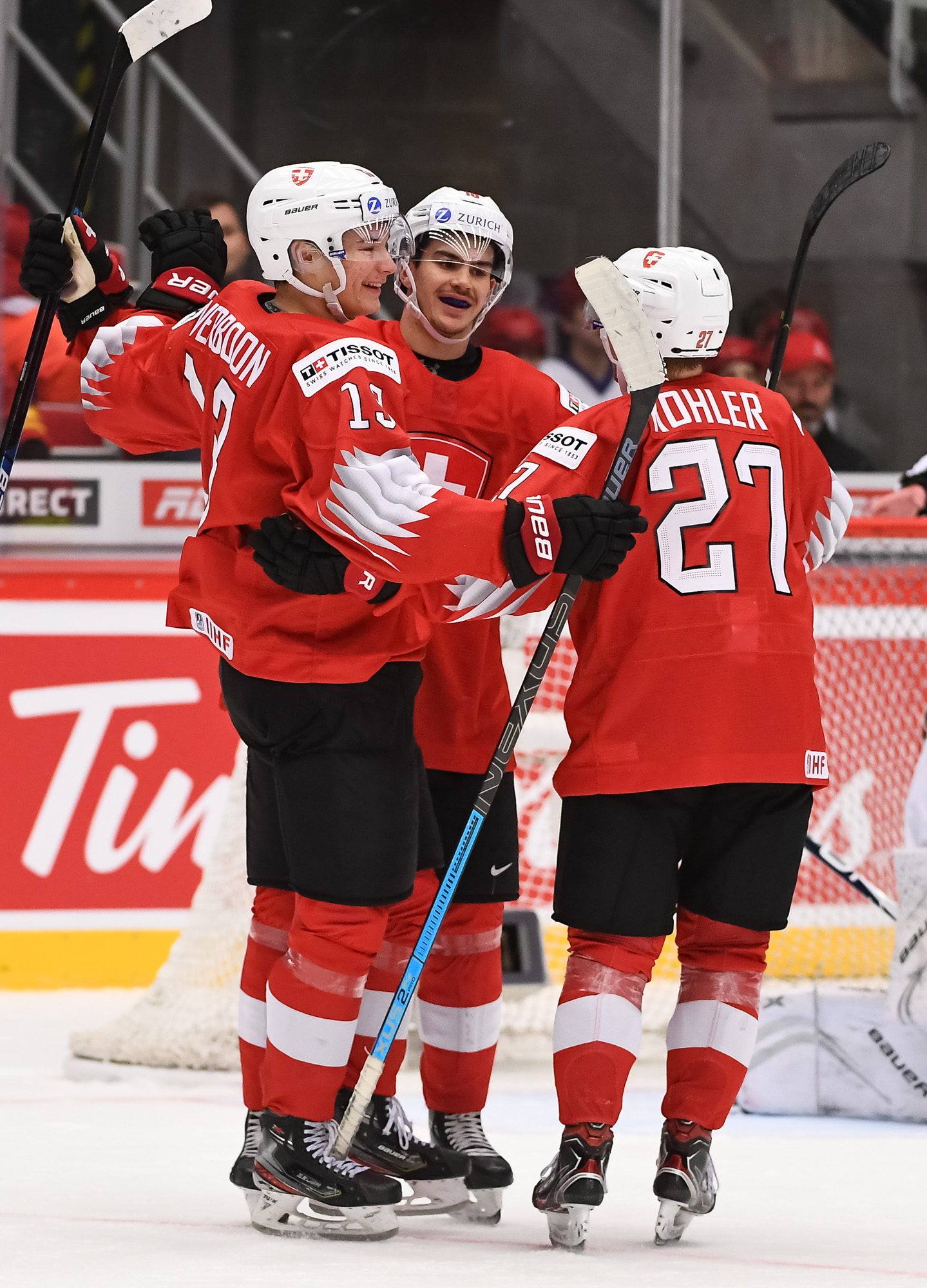 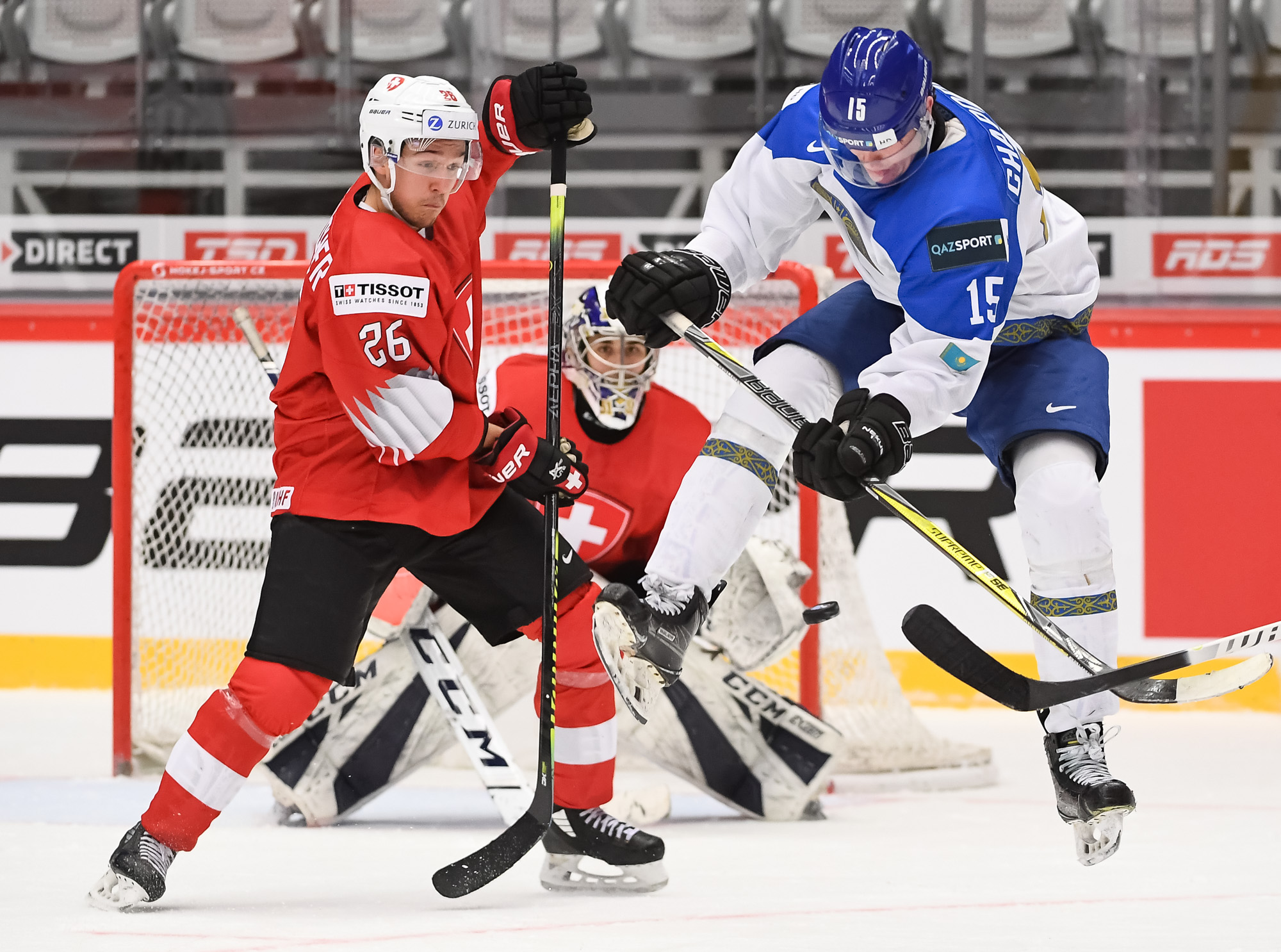 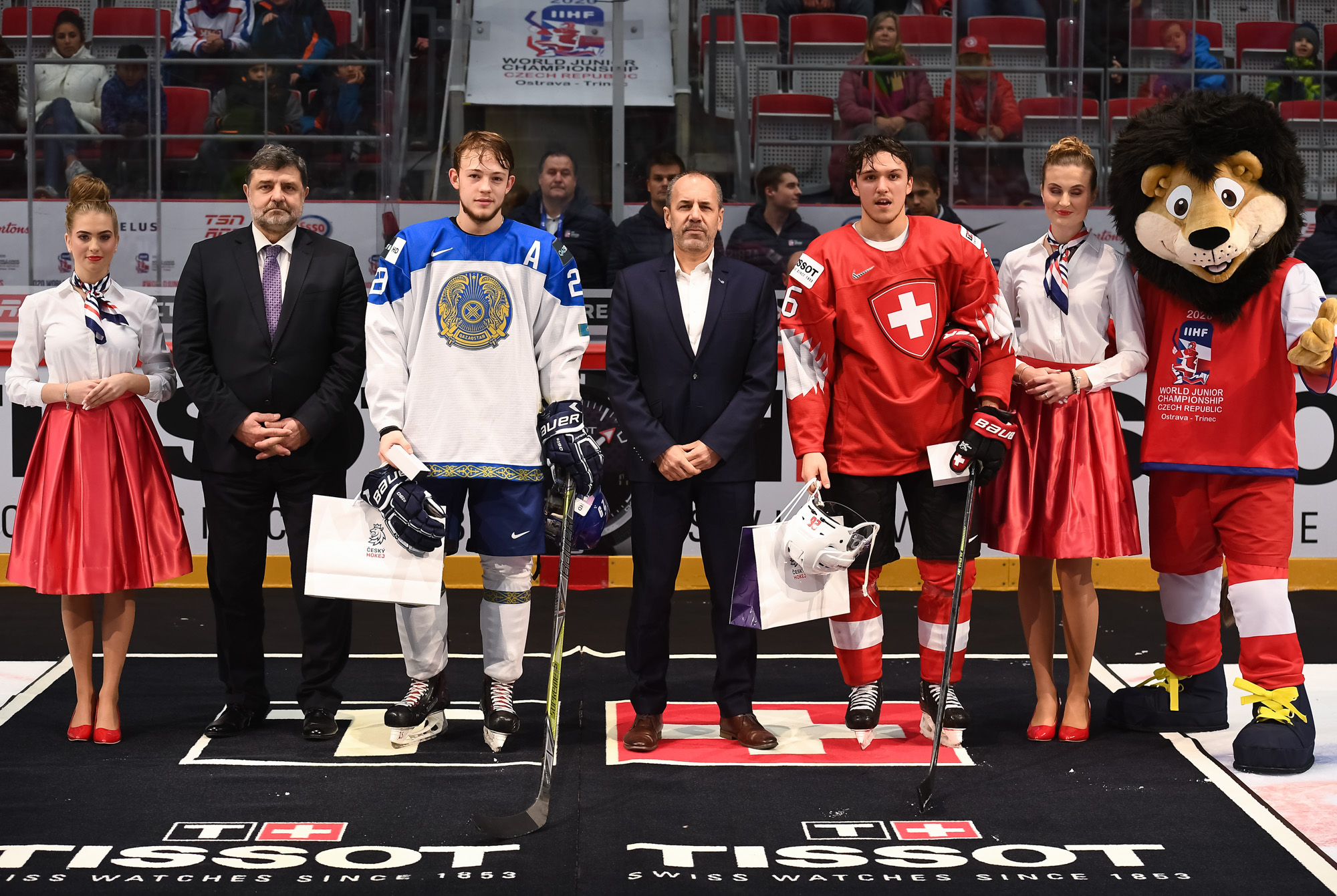 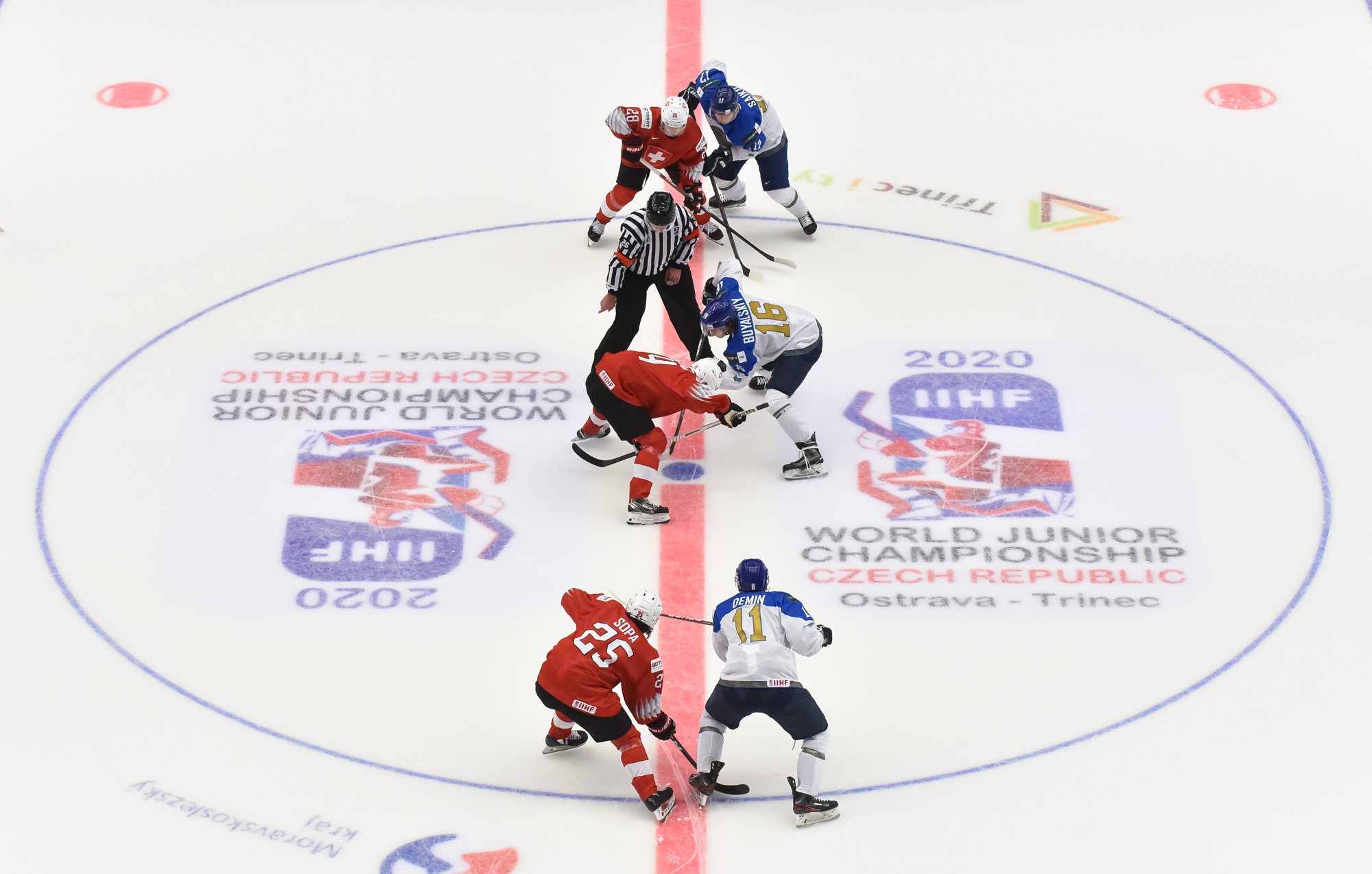 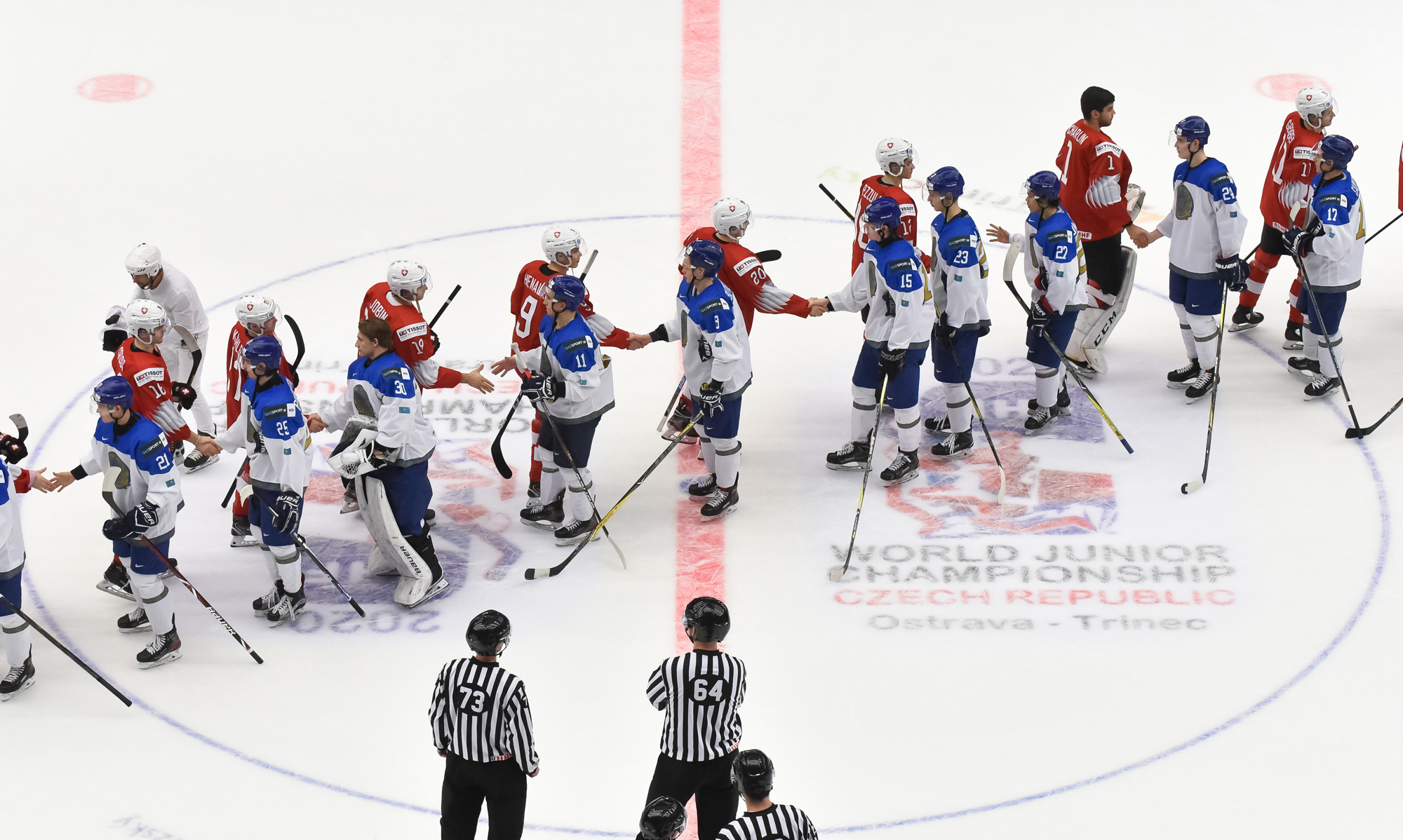