Kazakhstan strikes back
After being blanked in Game One of the relegation series, Kazakhstan's offence came alive in Game Two against Germany.
photo: Matt Zambonin / HHOF-IIHF Images
share

Goalie Vladislav Nurek stepped up with 43 saves versus Germany as Kazakhstan forced a third and deciding game with a 4-1 win in its relegation series.

"I'm very thankful to my teammates because they helped me today and scored so many goals," said Nurek. "So that was the real reason for the win."

The emotions were higher than the moon today, especially after my second goal that gave us the three-goal lead.
Stanislav Alexandrov
Scored two goals for Kazakhstan
"Tomorrow we have to limit our penalties and capitalize on our scoring chances," said Alexandrov.

Last year, the Kazakhs shut out the hapless Danes 4-0 in the second relegation game to return for 2020. They got a taste of their own medicine in Game One this year with a 4-0 loss to Germany. But Saturday's performance was an impressive response to adversity with four goals on 22 shots.

Luis Schinko had the lone goal for newly promoted Germany, whose last stint in the top division was from 2013 to 2015.

The Germans entered this game with four players with five or more points (Dominik Bokk, John Peterka, Morris Seider, and Tim Stutzle), all of whom were held off the scoresheet. The German power play, which had been clicking at better than 25 percent, was silenced, even though Kazakhstan took six minors.

Seider, the German captain, vowed his team would be better in the do-or-die third game: "Winning that game, it doesn't matter how. They've got nothing tomorrow and we will be ready. We will win every single battle. We'll win our battles in front of the net. We will make it hard to play against us. All in all, it will be a great game to watch."

At 4:39, Alexandrov opened the scoring. Vladislav Saiko entered the German zone and sent a tremendous cross-ice pass to his Snezhnye Barsy Astana teammate, who beat goalie Hendrik Hane with a high backhander from close range.

The Germans picked up the pace late in the period, but couldn’t break through. Nurek made a great glove save just before the buzzer on Nino Kinder’s breakaway.

At 5:05 of the second period, Boiko gave Kazakhstan a 2-0 lead. Boiko pushed the puck ahead to Maxim Musorov and then followed up to roof the rebound past Hane.
World Men U20
Kazakhstan vs. Germany (R2) - 2020 IIHF World Junior Championship
Goalie Vladislav Nurek stepped up with 43 saves versus Germany as Kazakhstan forced a third and deciding game with a 4-1 win in its relegation series.
04 JAN 2020
Never lacking in industriousness, Germany bottled up the Kazakhs in their own end as the middle frame wound down. Still, Nurek stayed firm, grabbing a puck that almost trickled over the goal line in the last minute.

"Their goaltender did a great job, to be honest," said Seider. "We had really good chances. You need to get a goal somehow, it doesn't matter how, and we didn't get it early enough. It's a disappointing day for us. "

At 1:32 of the third period, Alexandrov put the game out of reach with a spectacular solo effort. He dipsy-doodled down the left and into the middle before launching a long shot that eluded Hane on the glove side. Alexandrov celebrated on his knees. But metaphorically, it was the Germans who had fallen and couldn't get up.

Chaporov added an empty-netter with 3:33 left to play. Nurek appeared to be shaken up after making a save just before the 4-0 goal, but remained in the game. Schinko spoiled the Kazakh netminder's shutout bid with 1:29 remaining.

"We were very ready for this game," Nurek said. "We didn't want to go home so early. We proved that we are a good team too."

It was the first German loss to Kazakhstan in World Junior history. Before this tournament, the only previous meeting between these countries was a 9-0 German win on 27 December 2008 in Ottawa.

"We’ve already forgotten about today’s game and are getting mentally prepared to win tomorrow and stay in this division," said Alexandrov. "We will fight like it’s the last game we play in our lives." 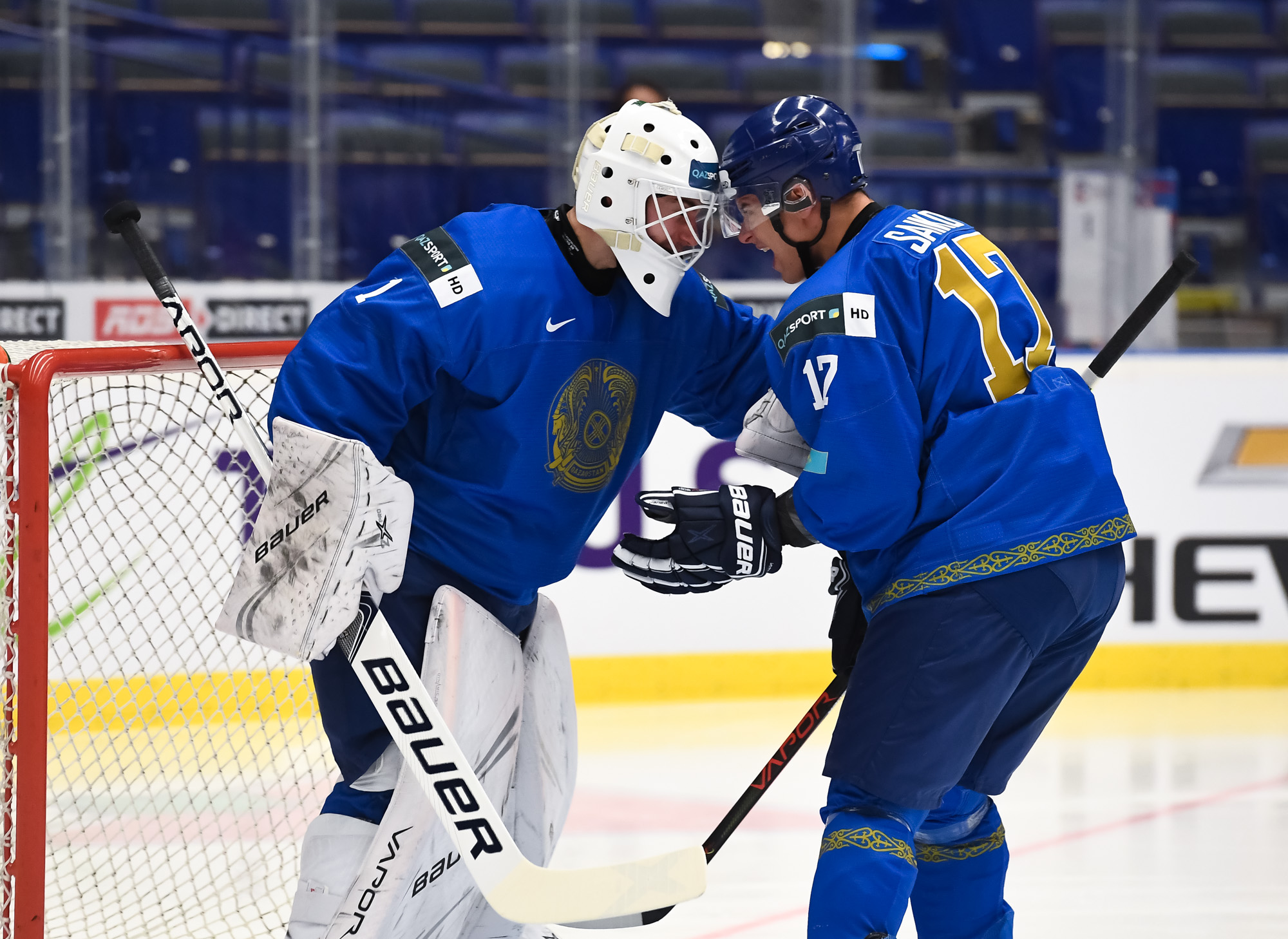 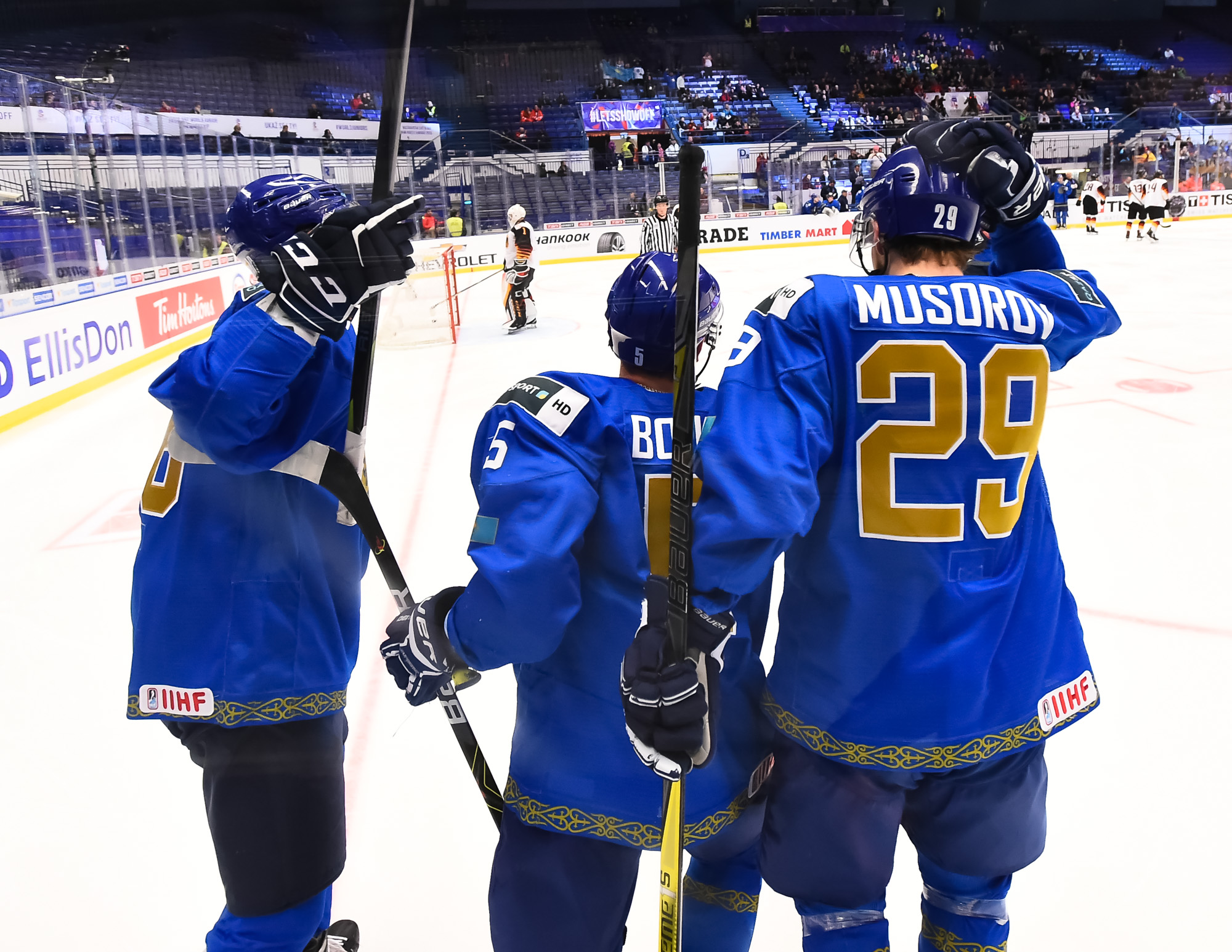 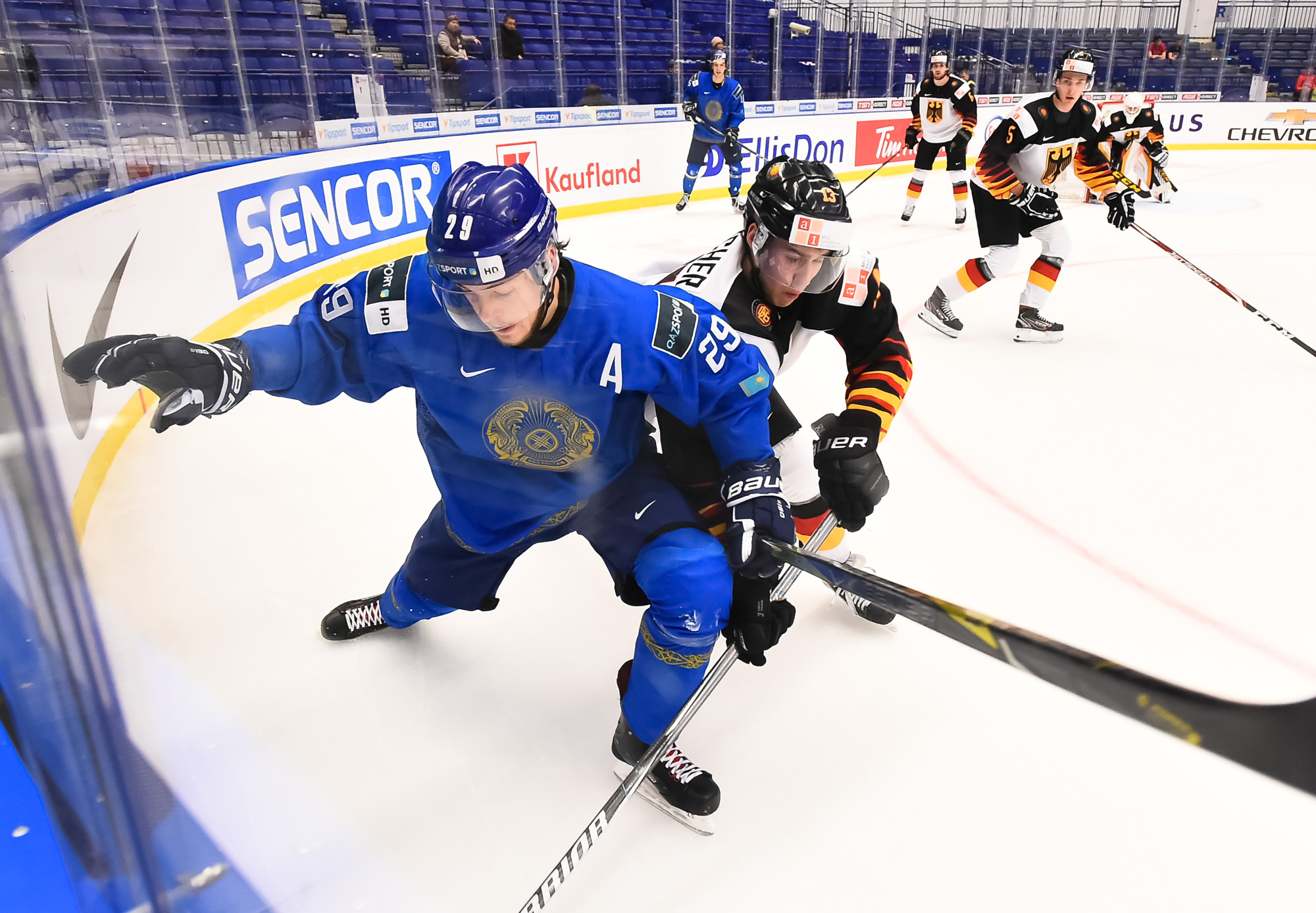 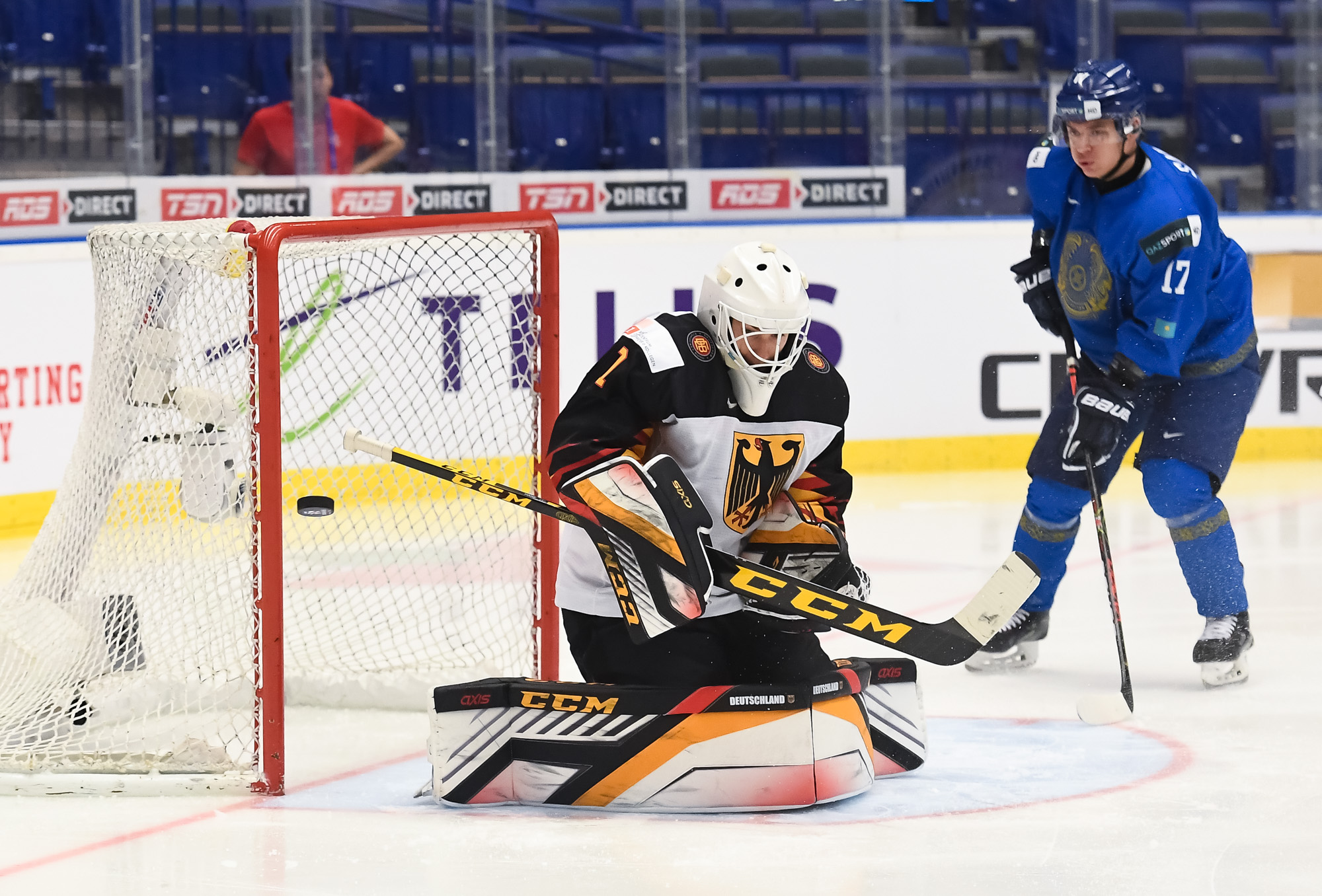 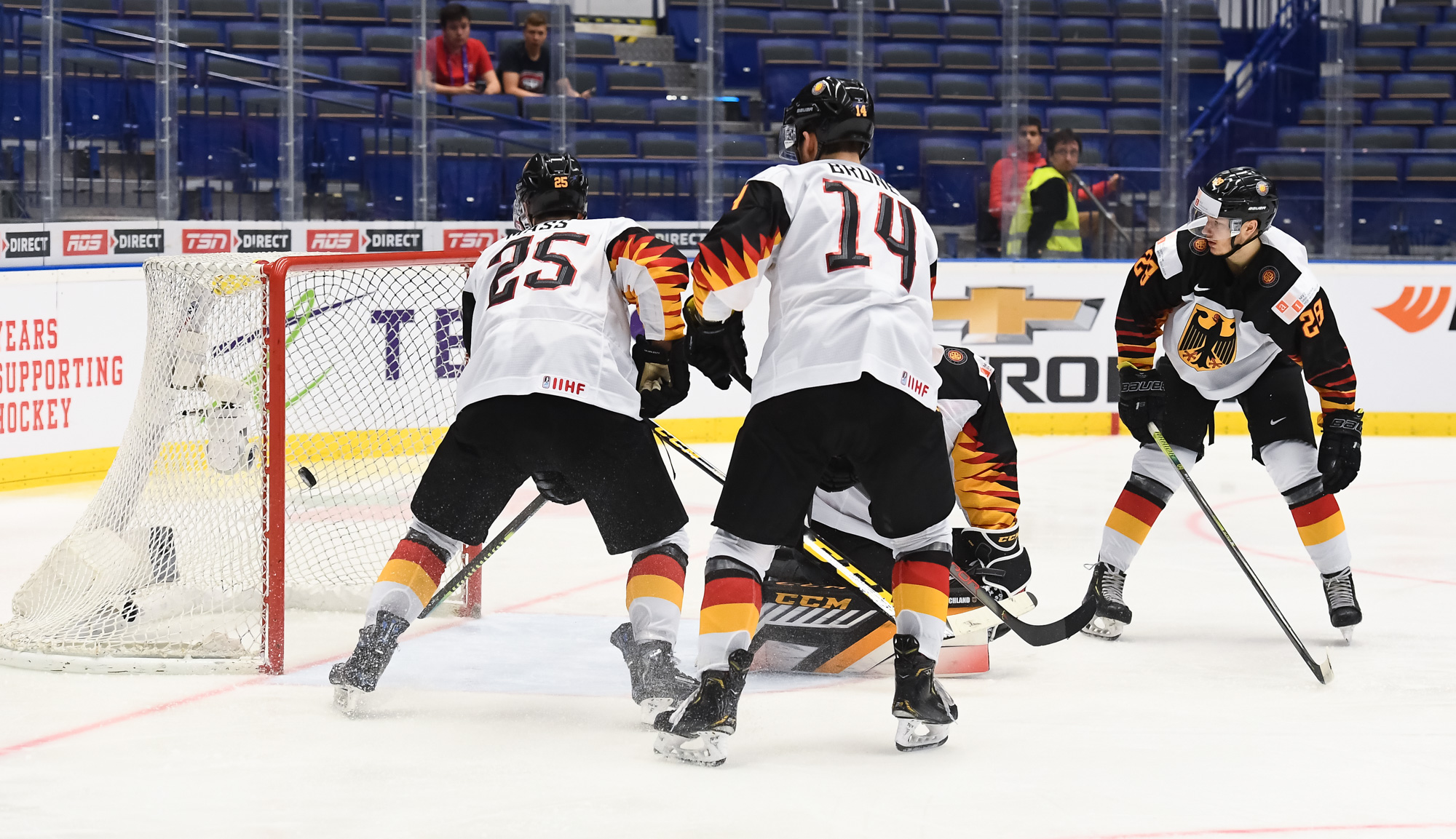 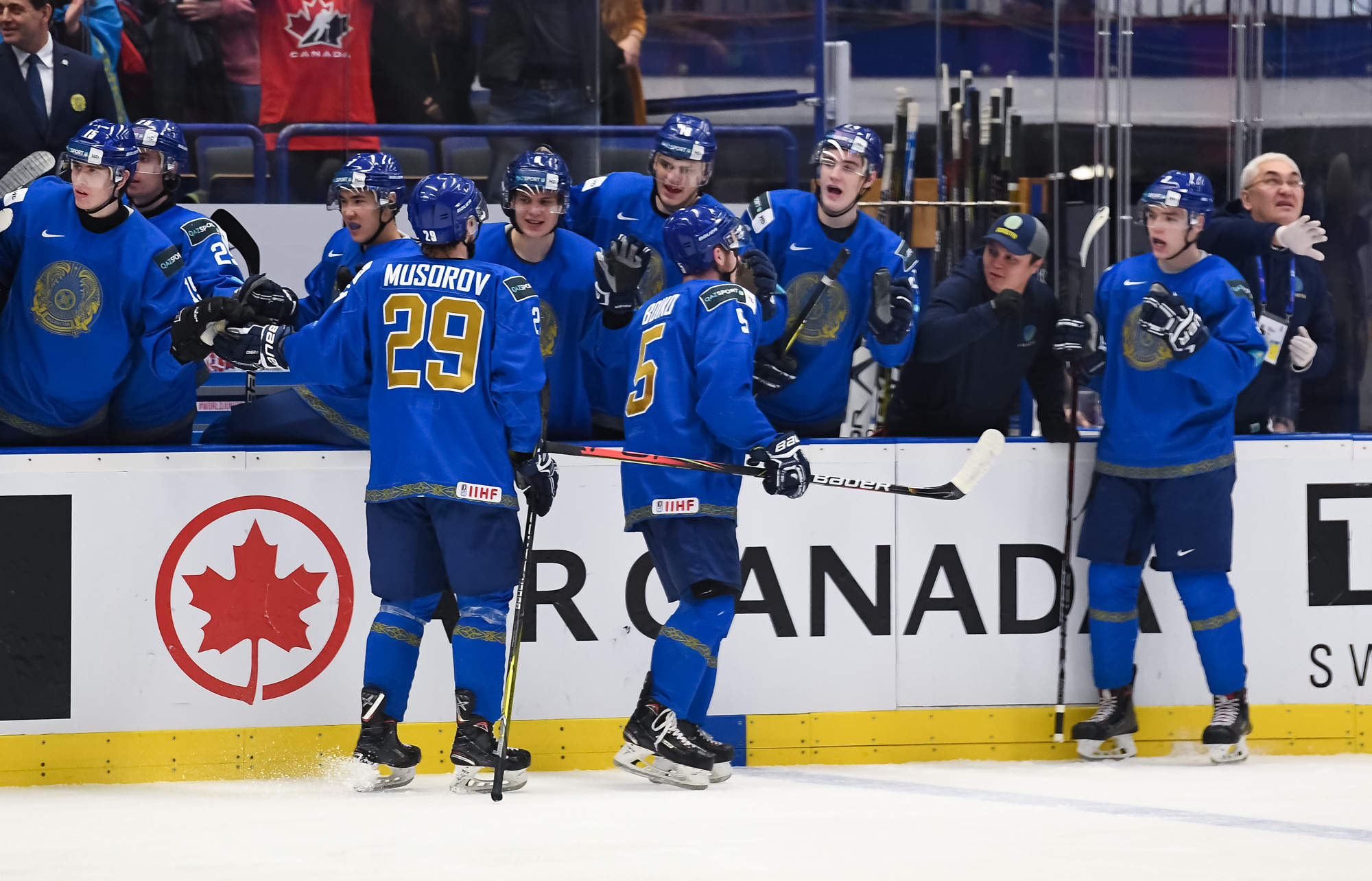 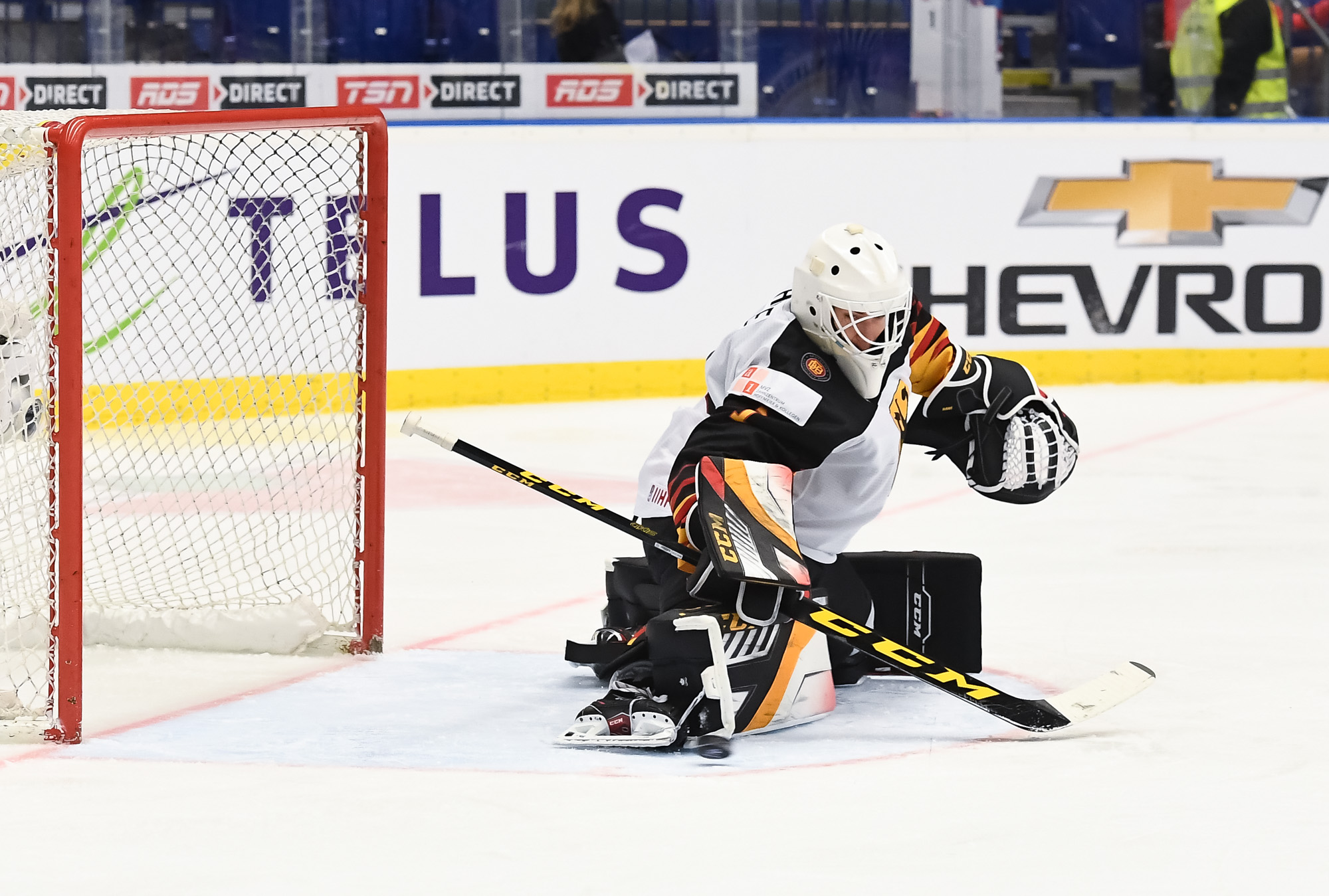 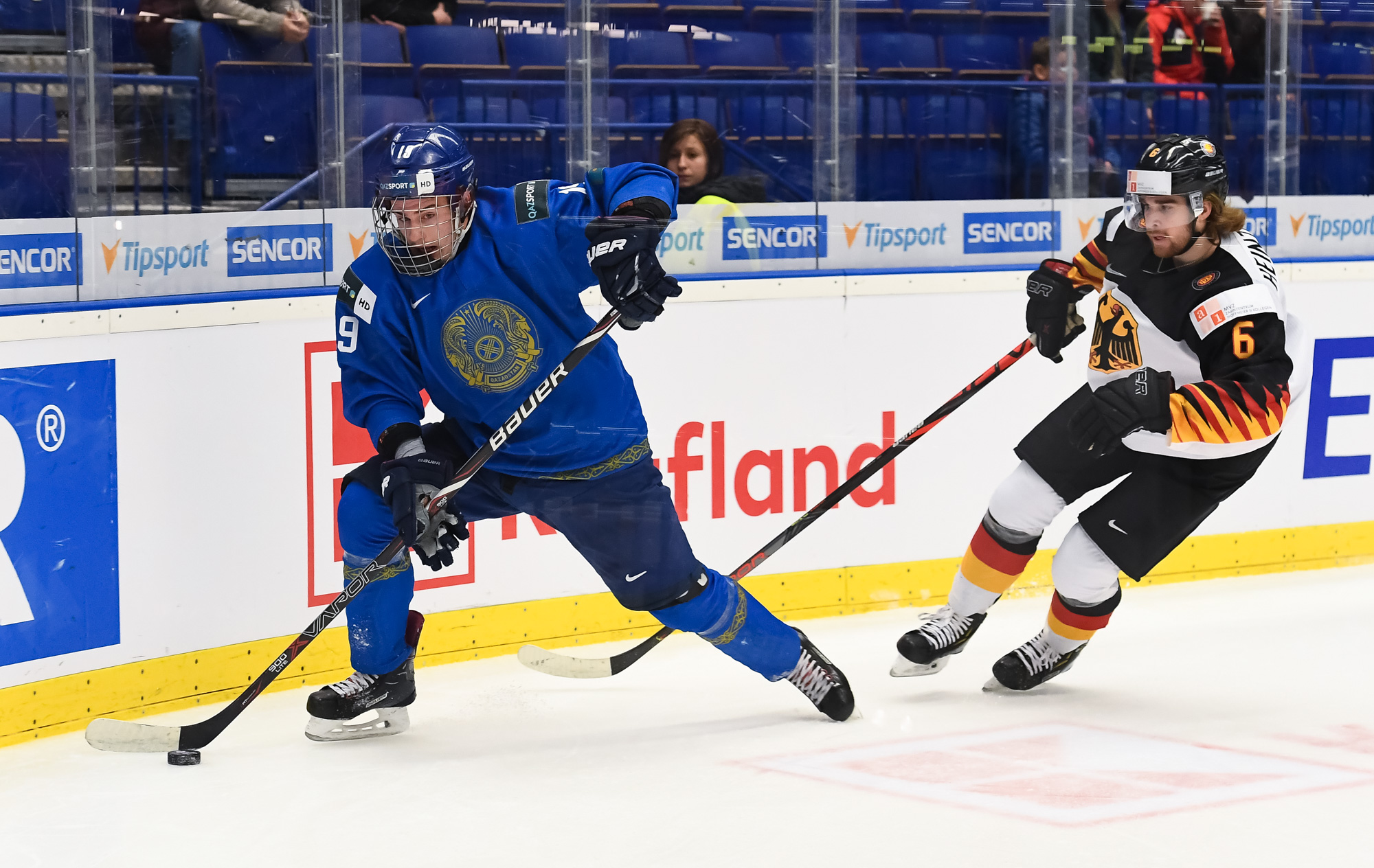 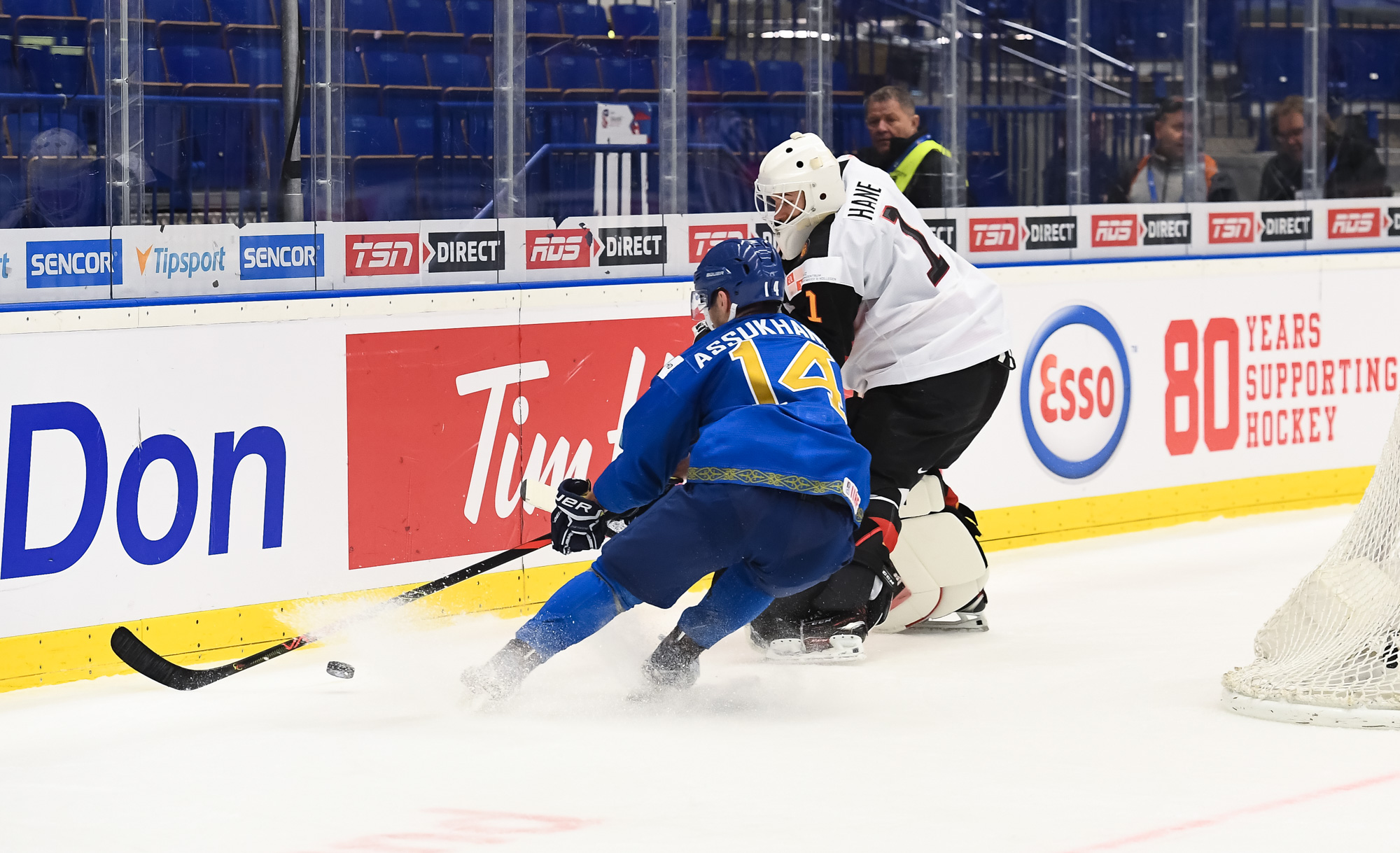 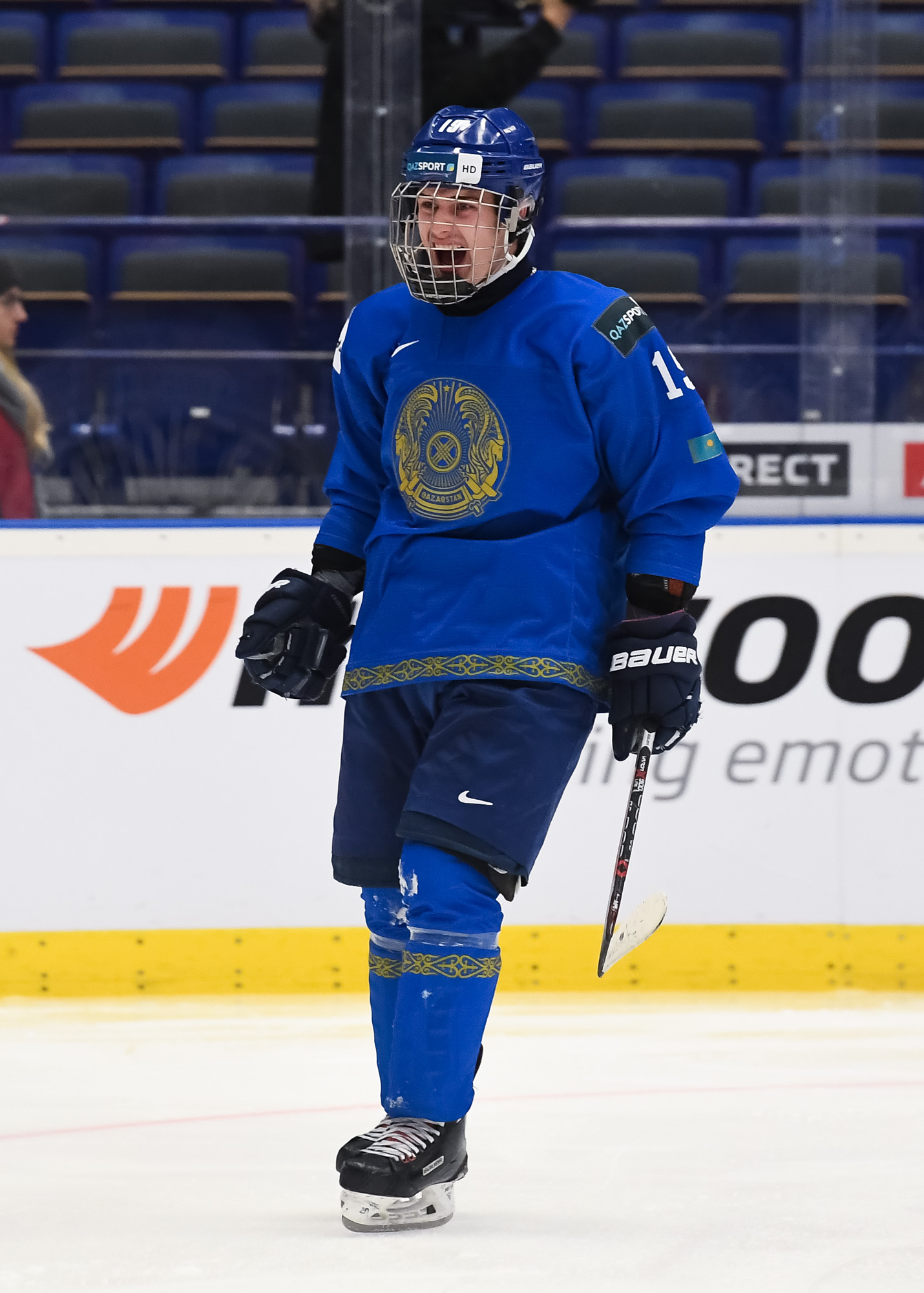 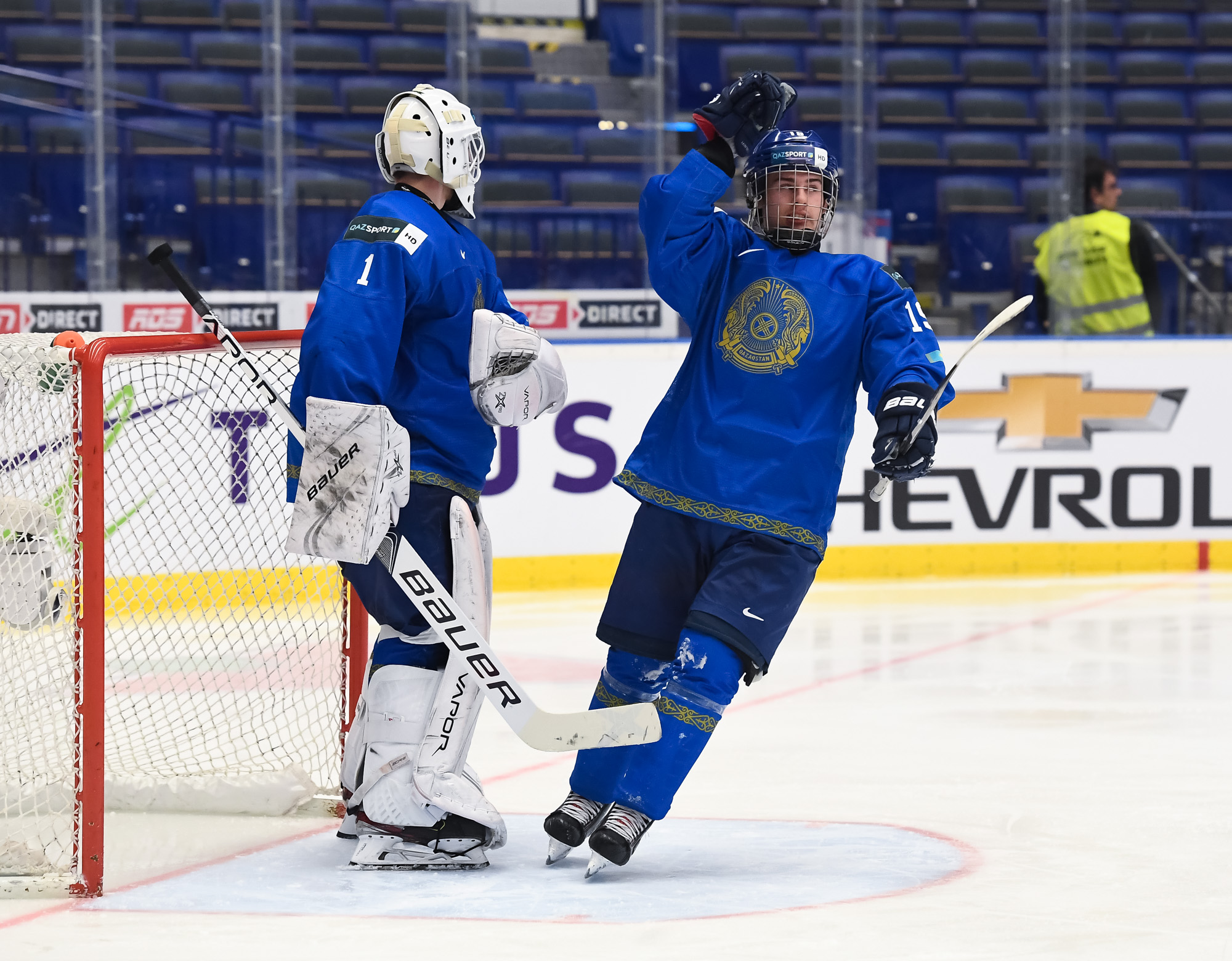 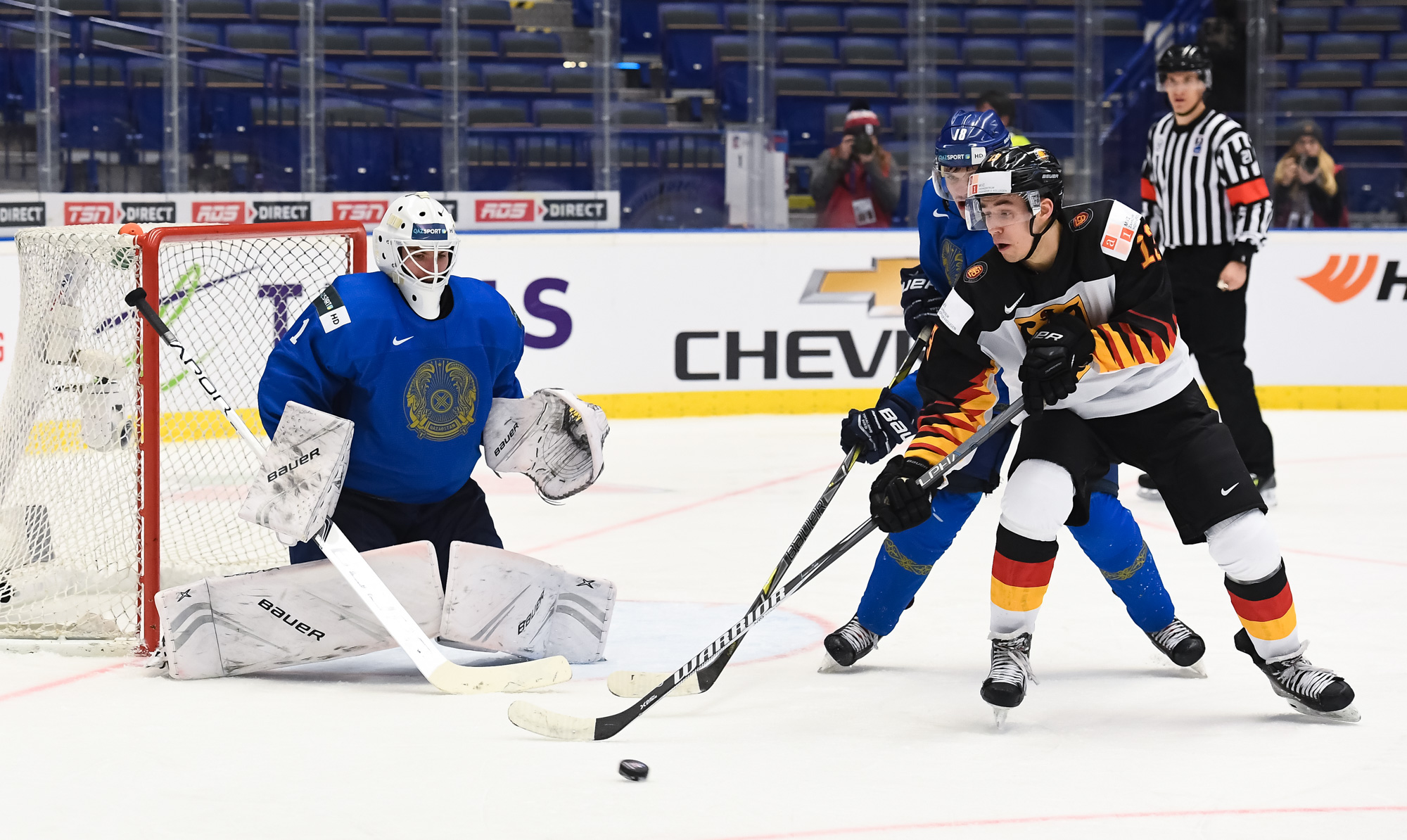 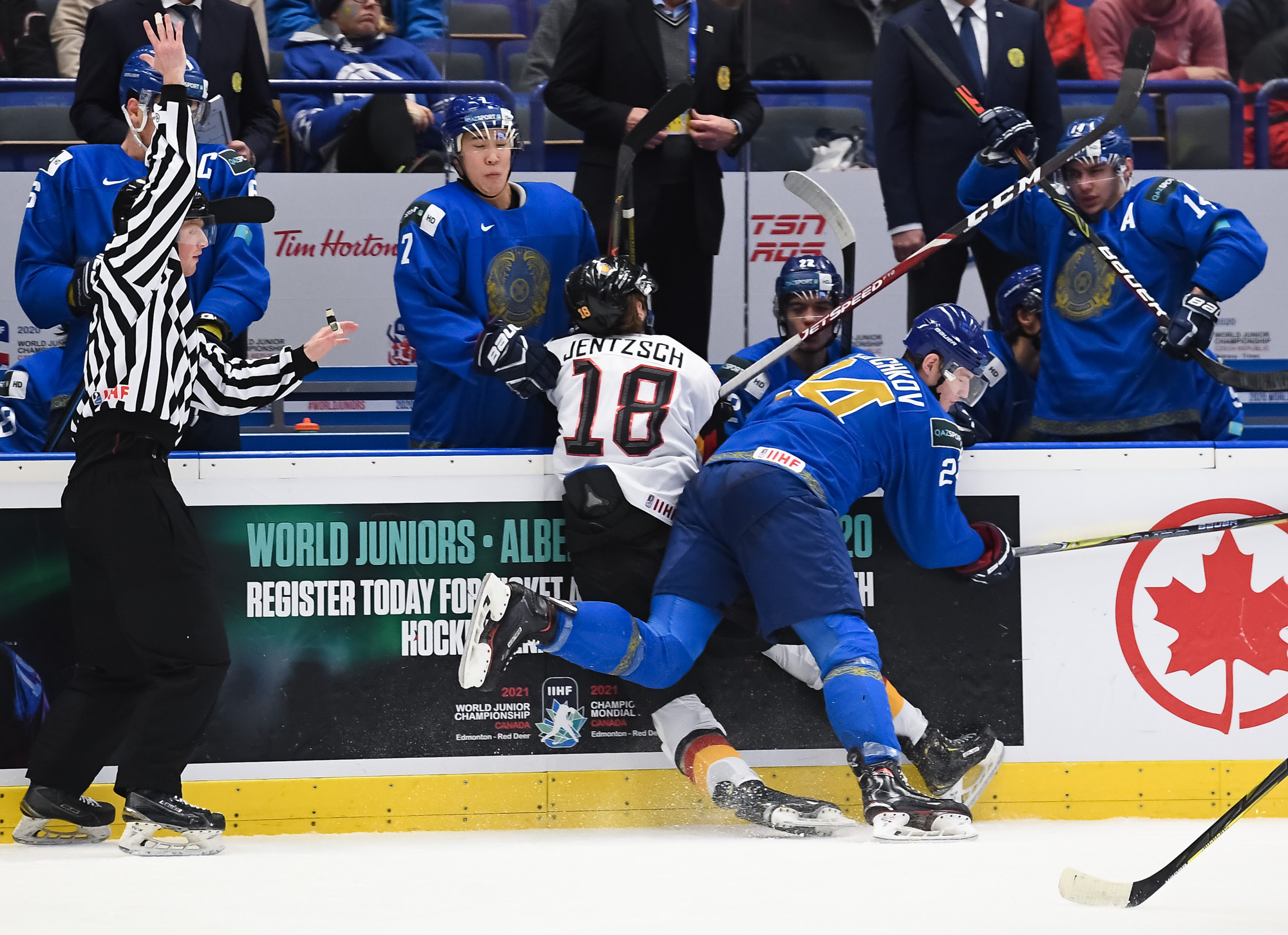 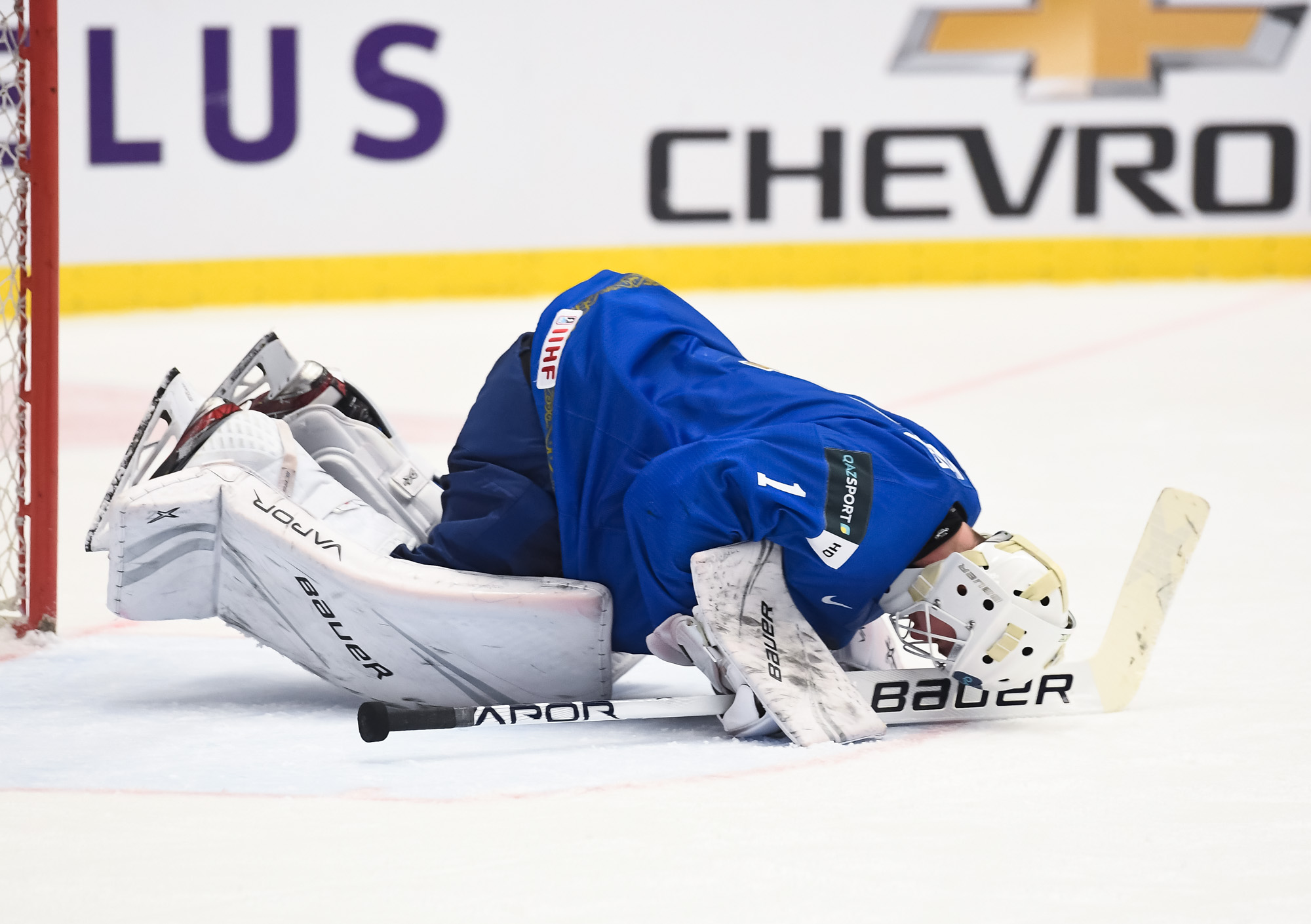 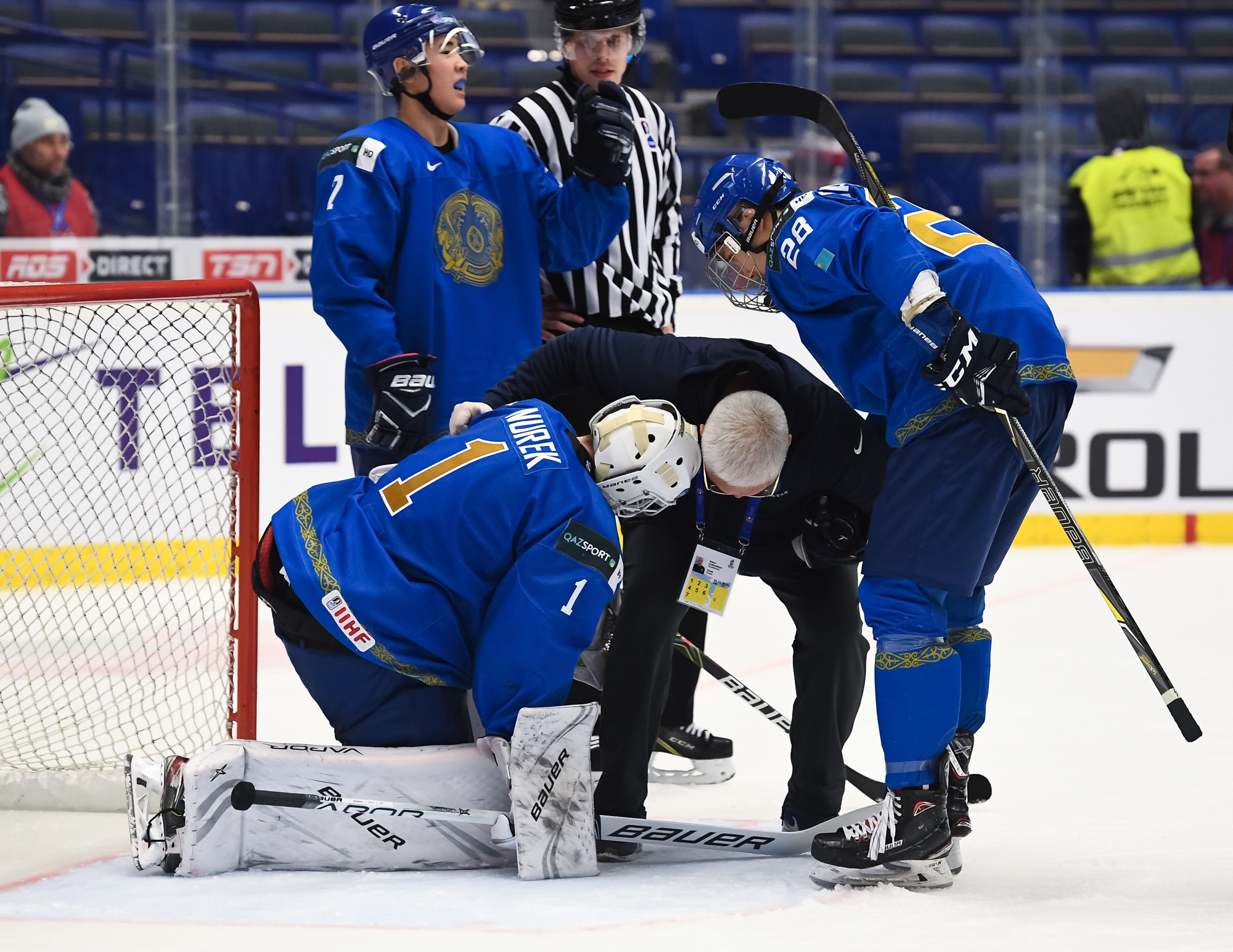 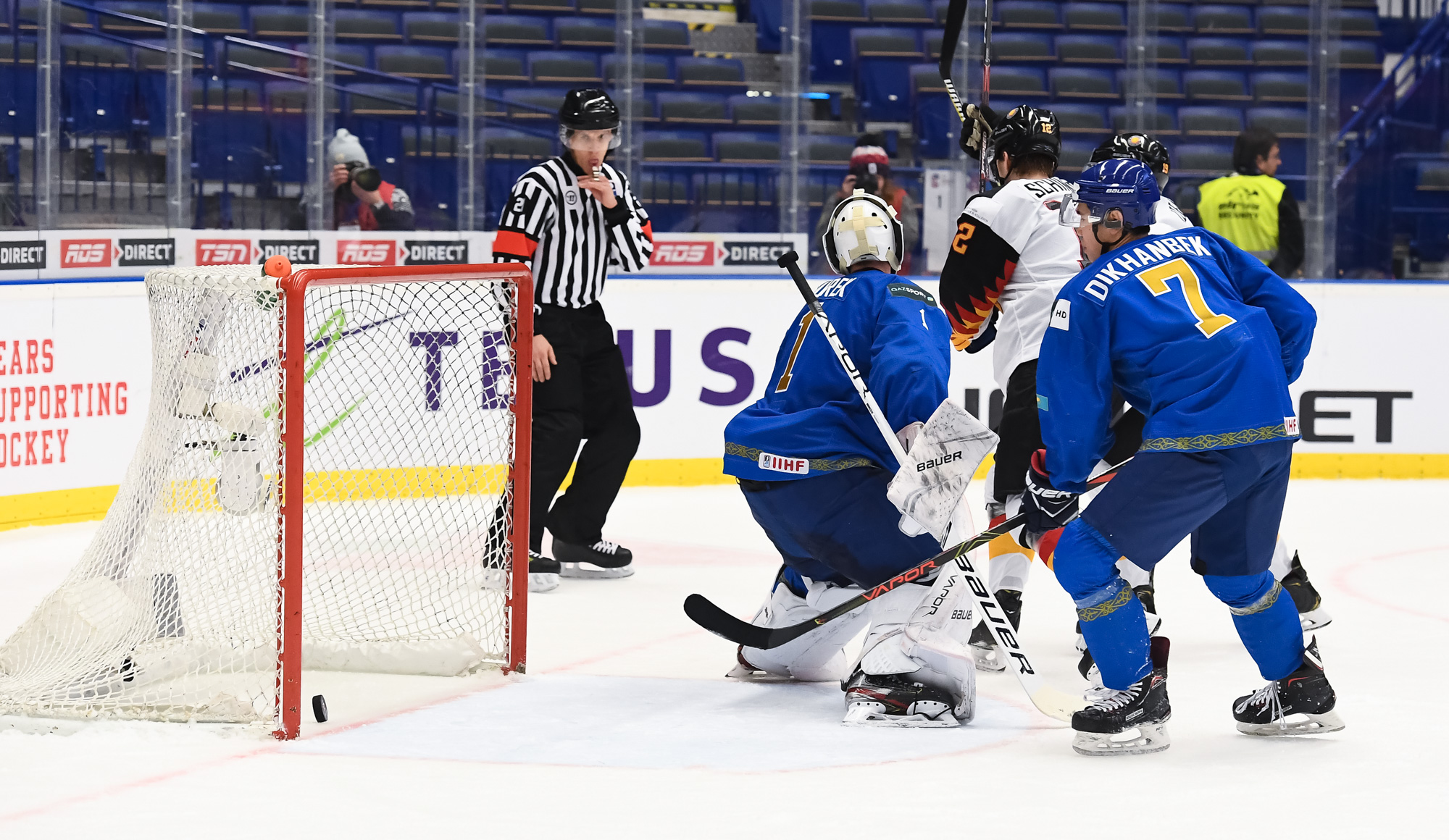 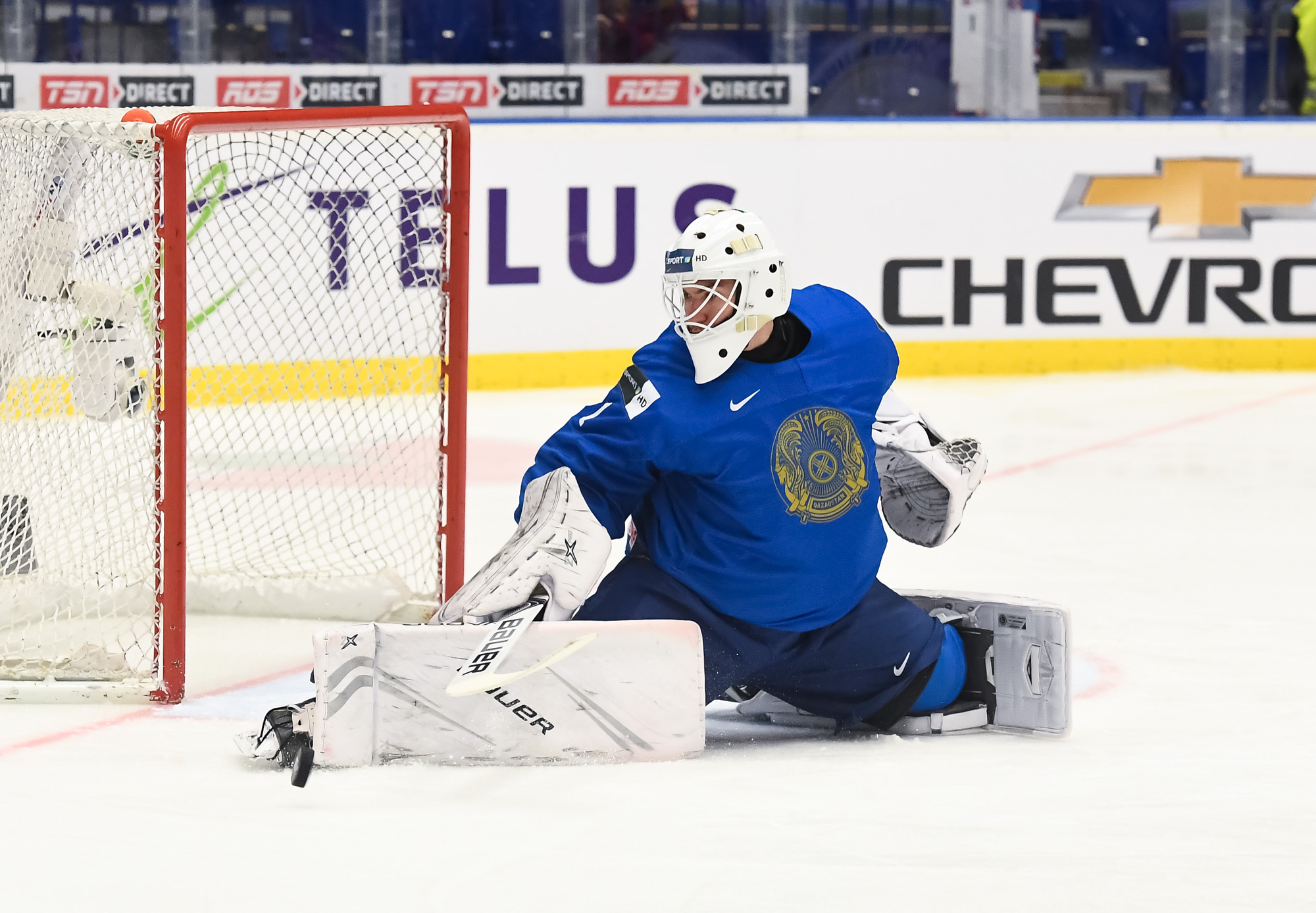 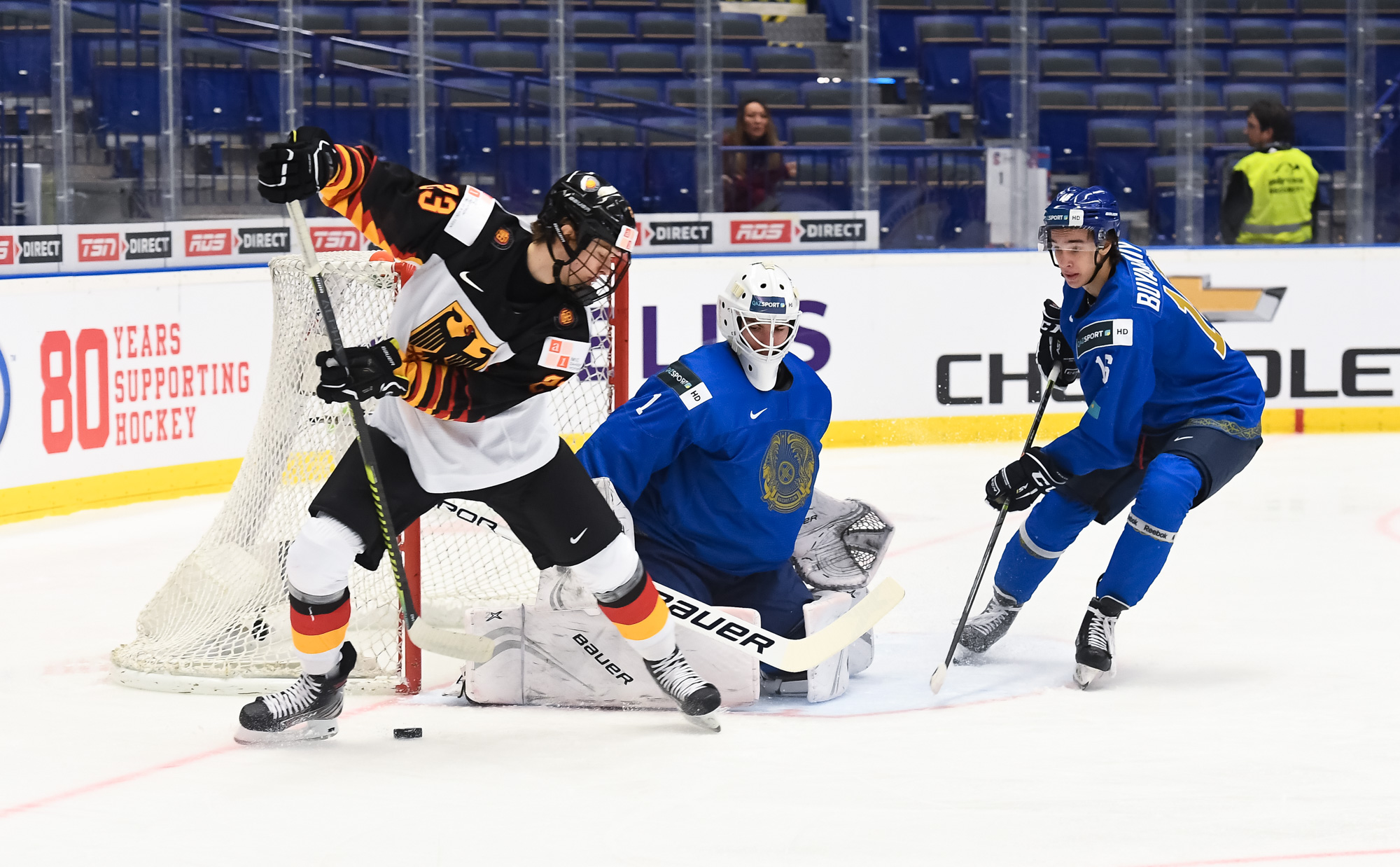 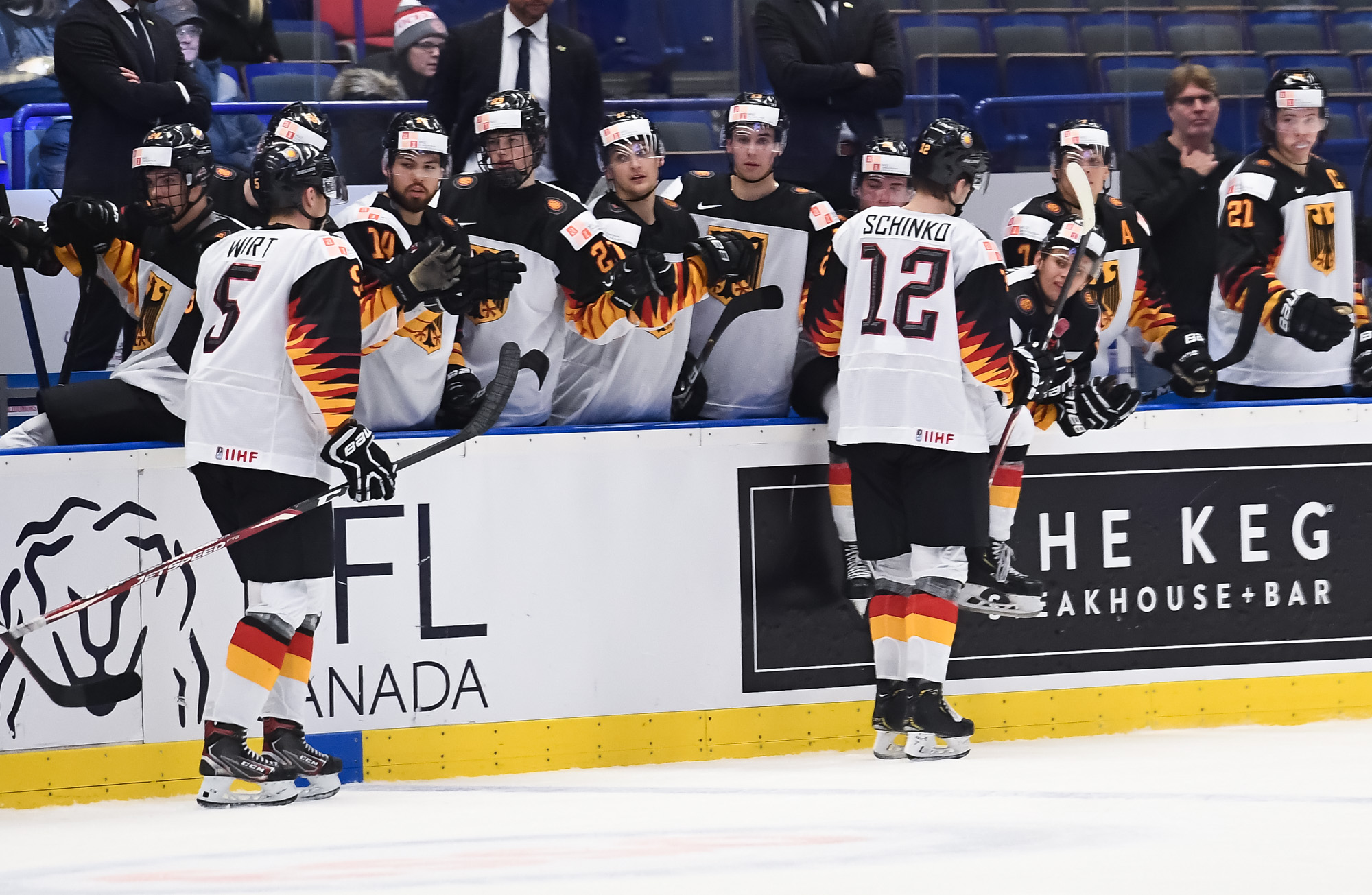 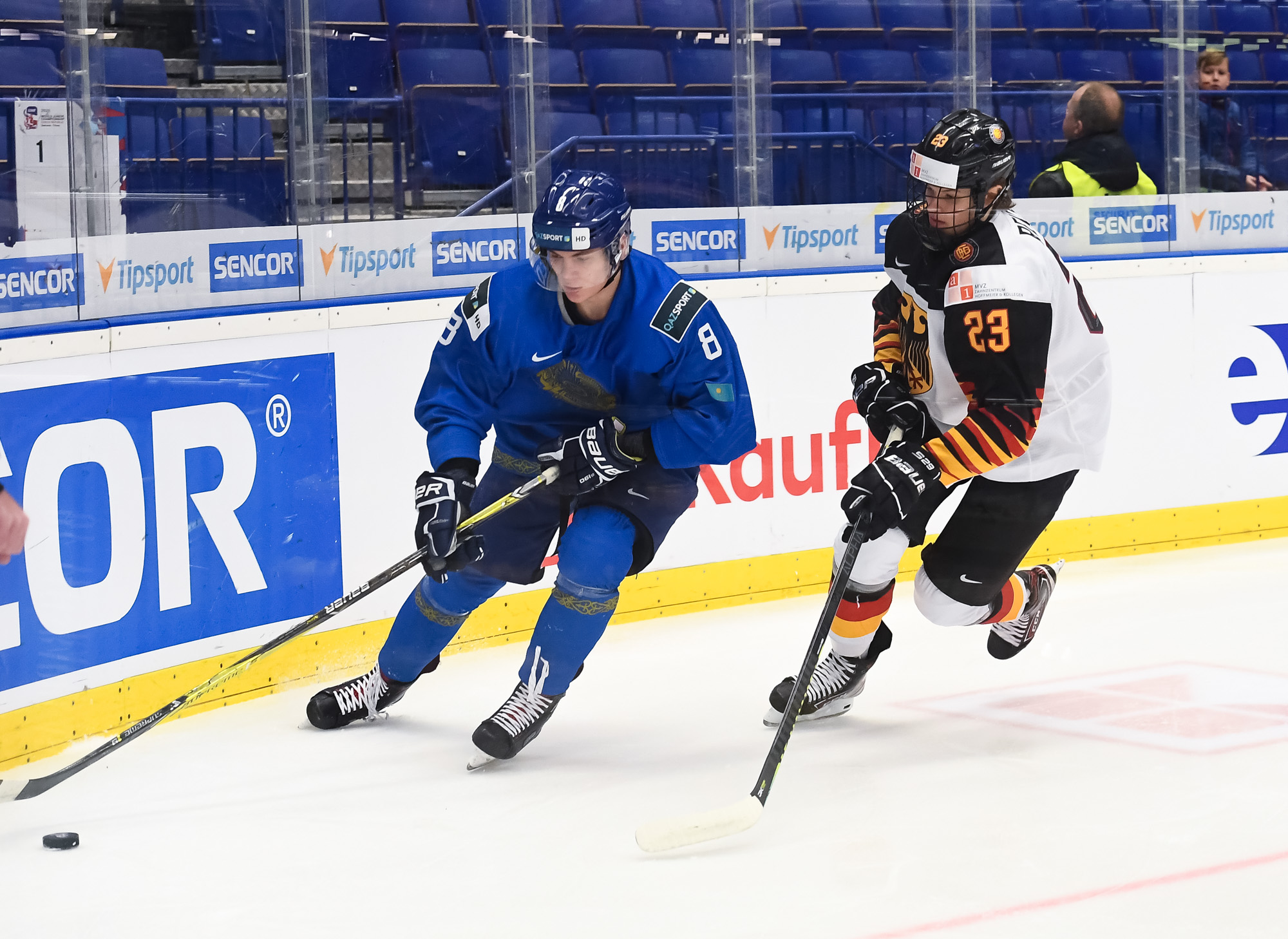 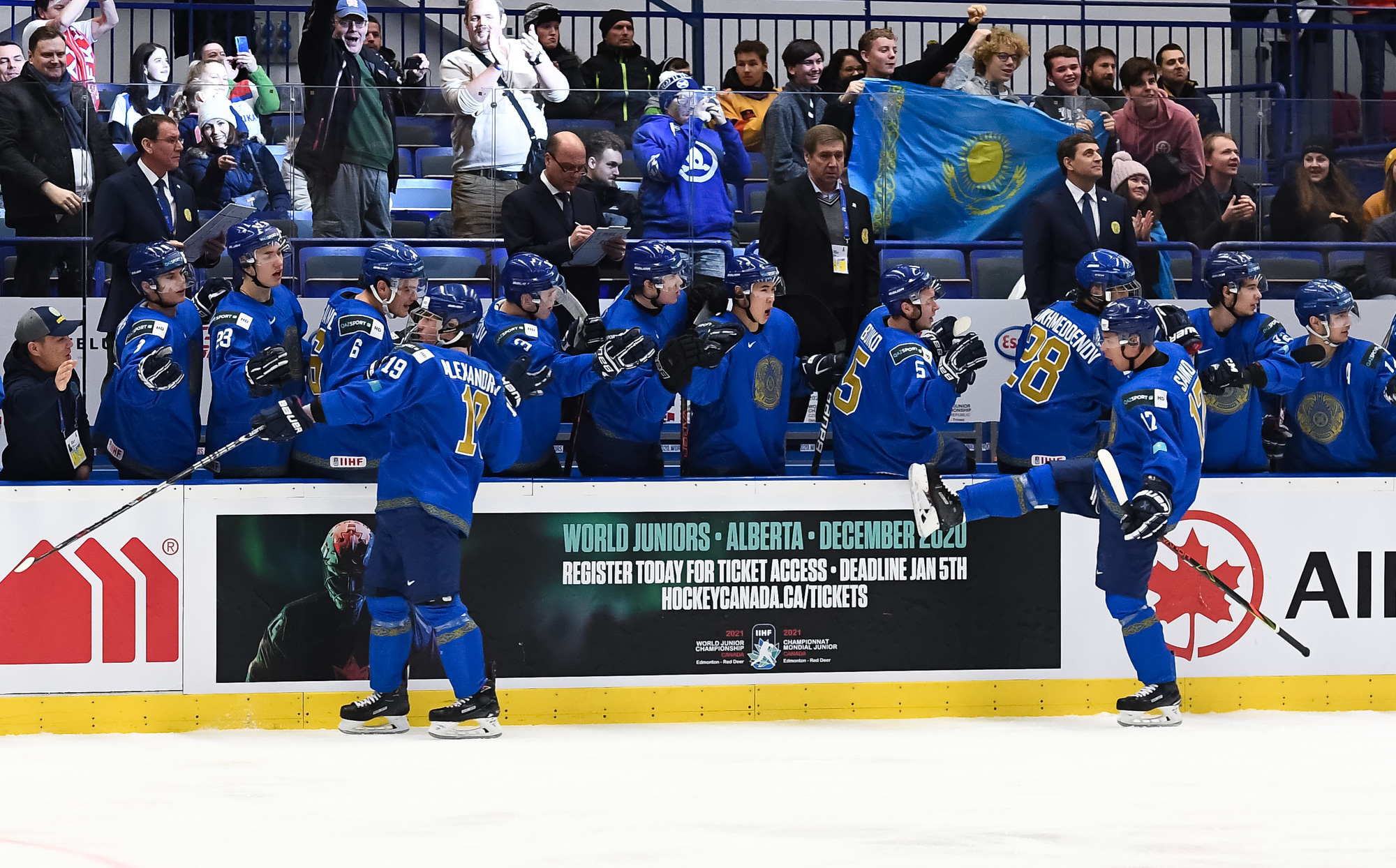 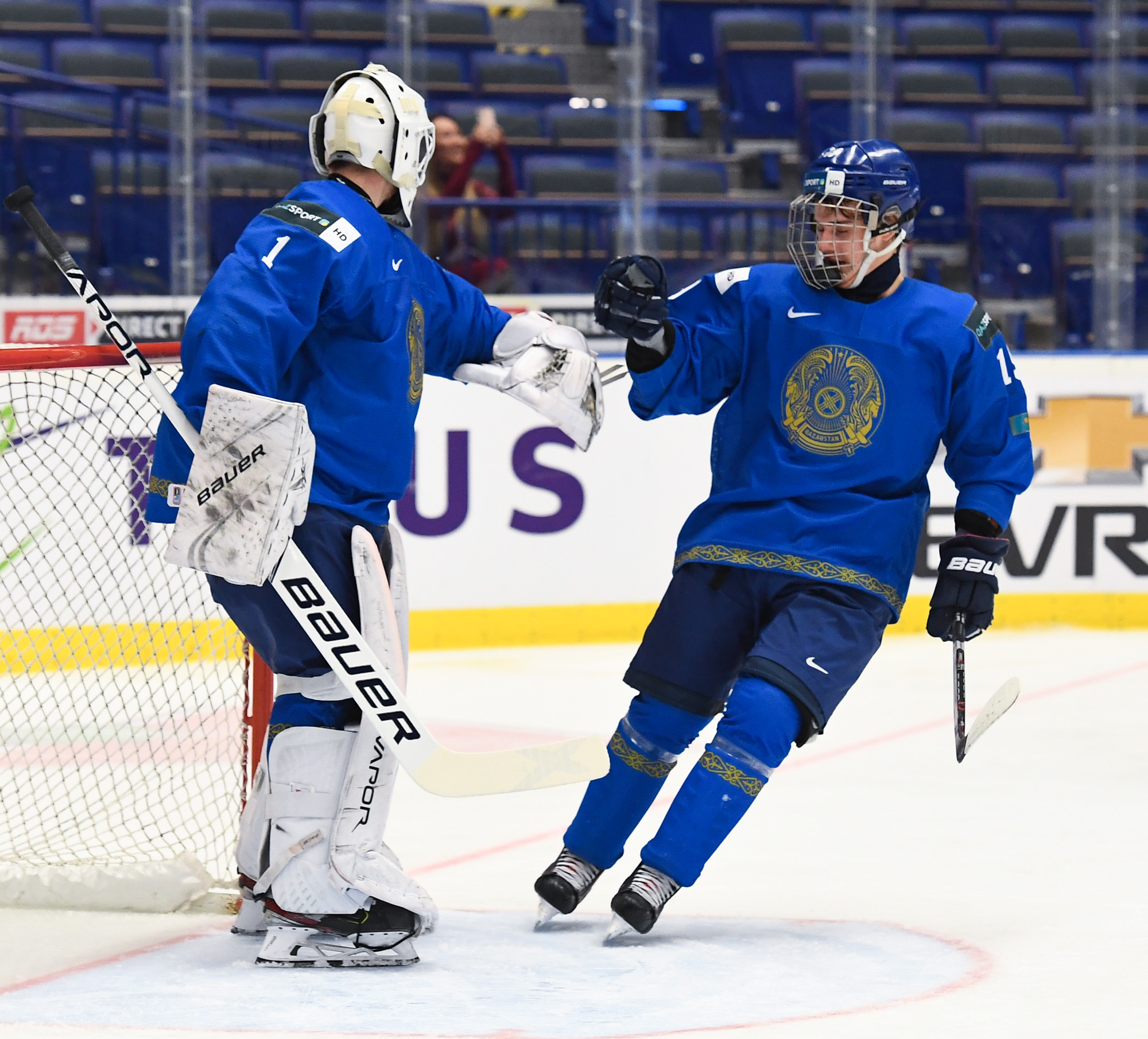 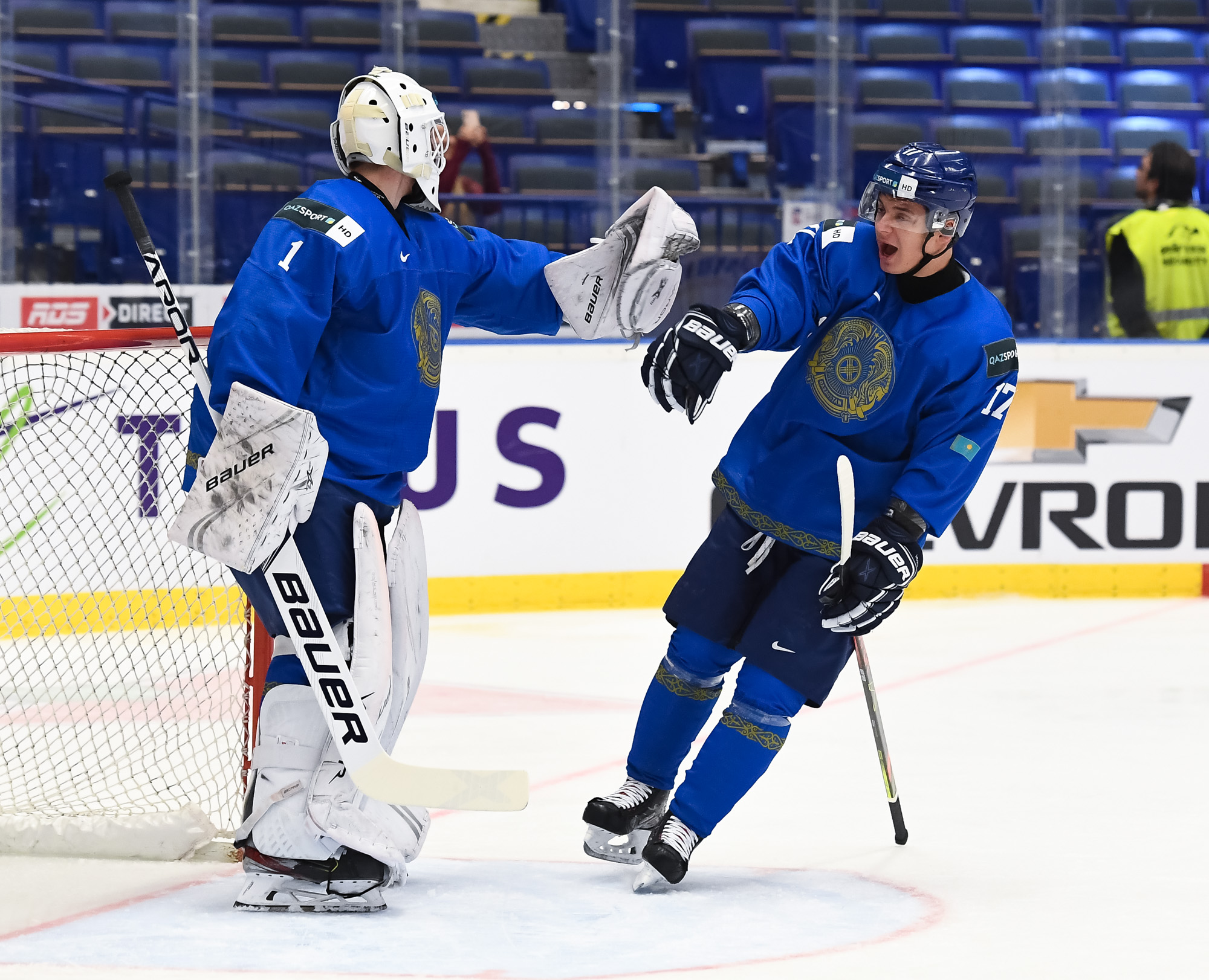 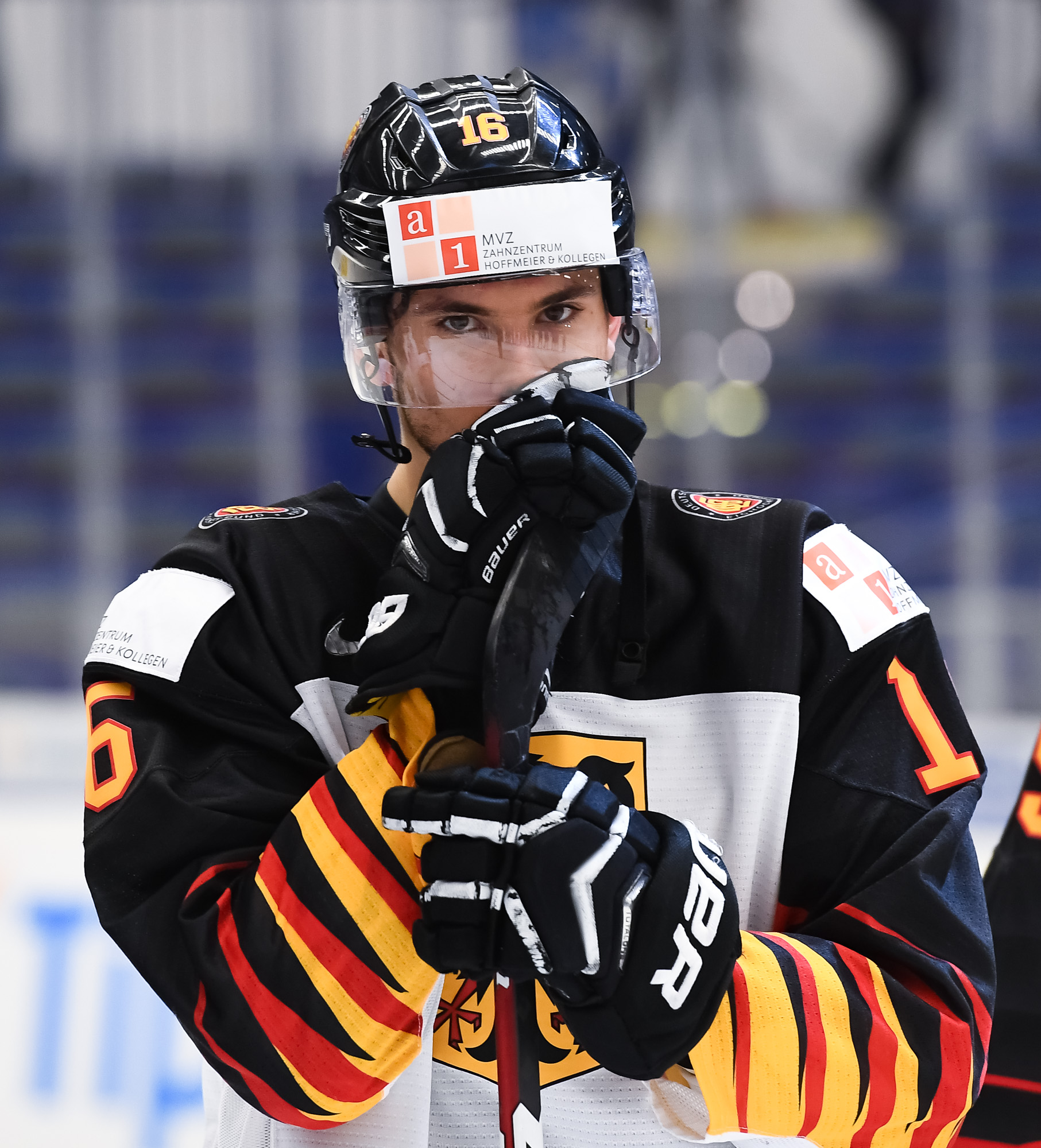 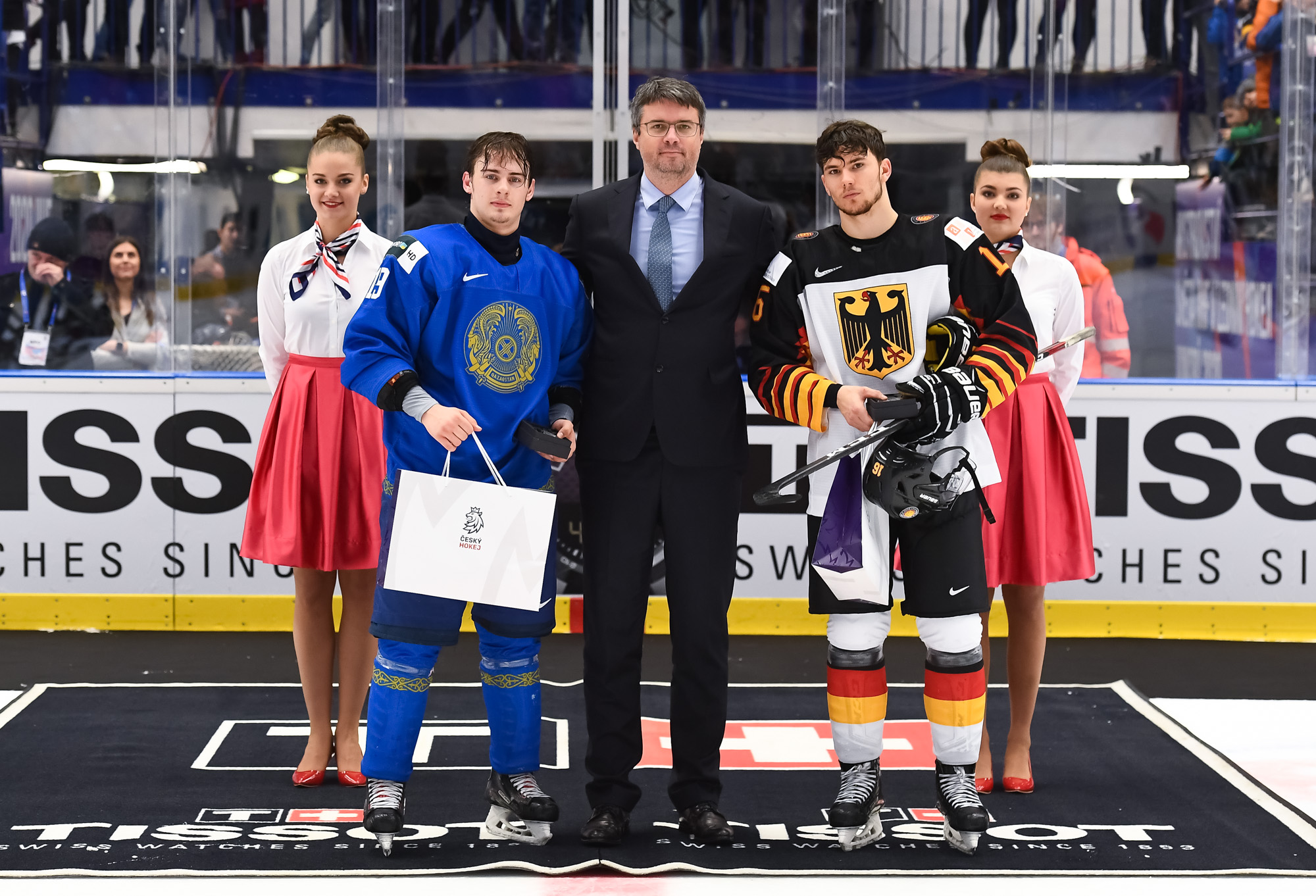 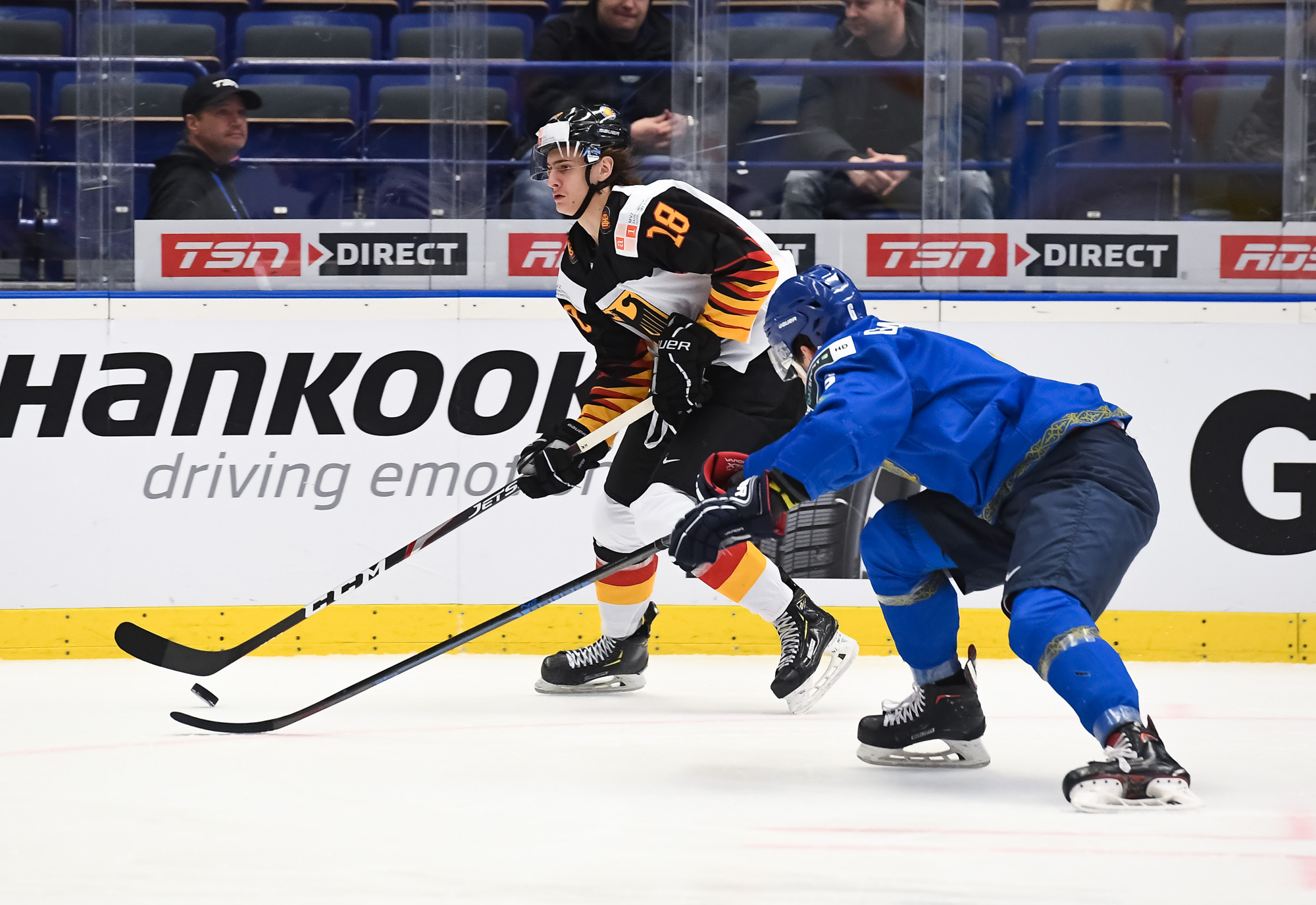 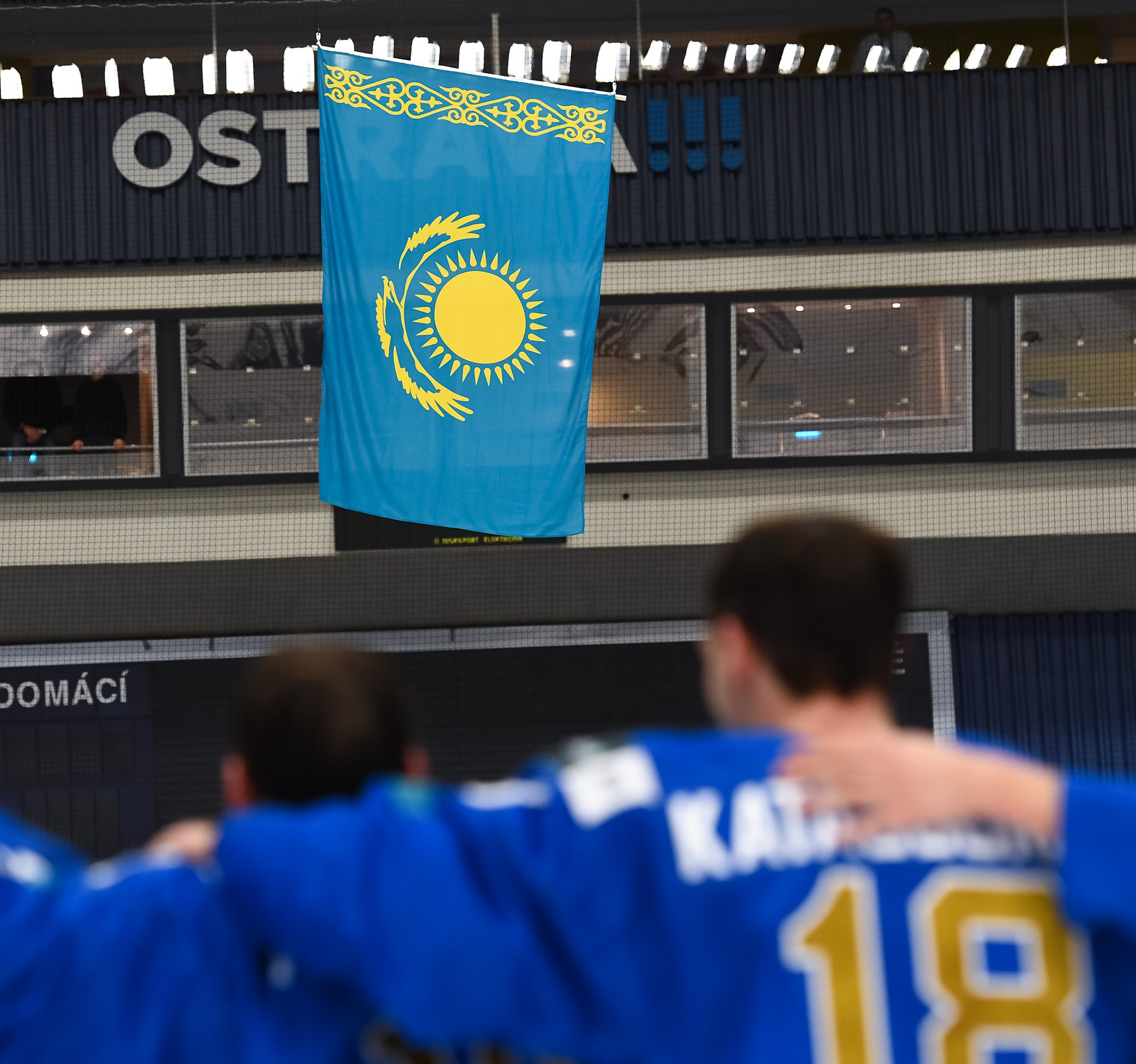 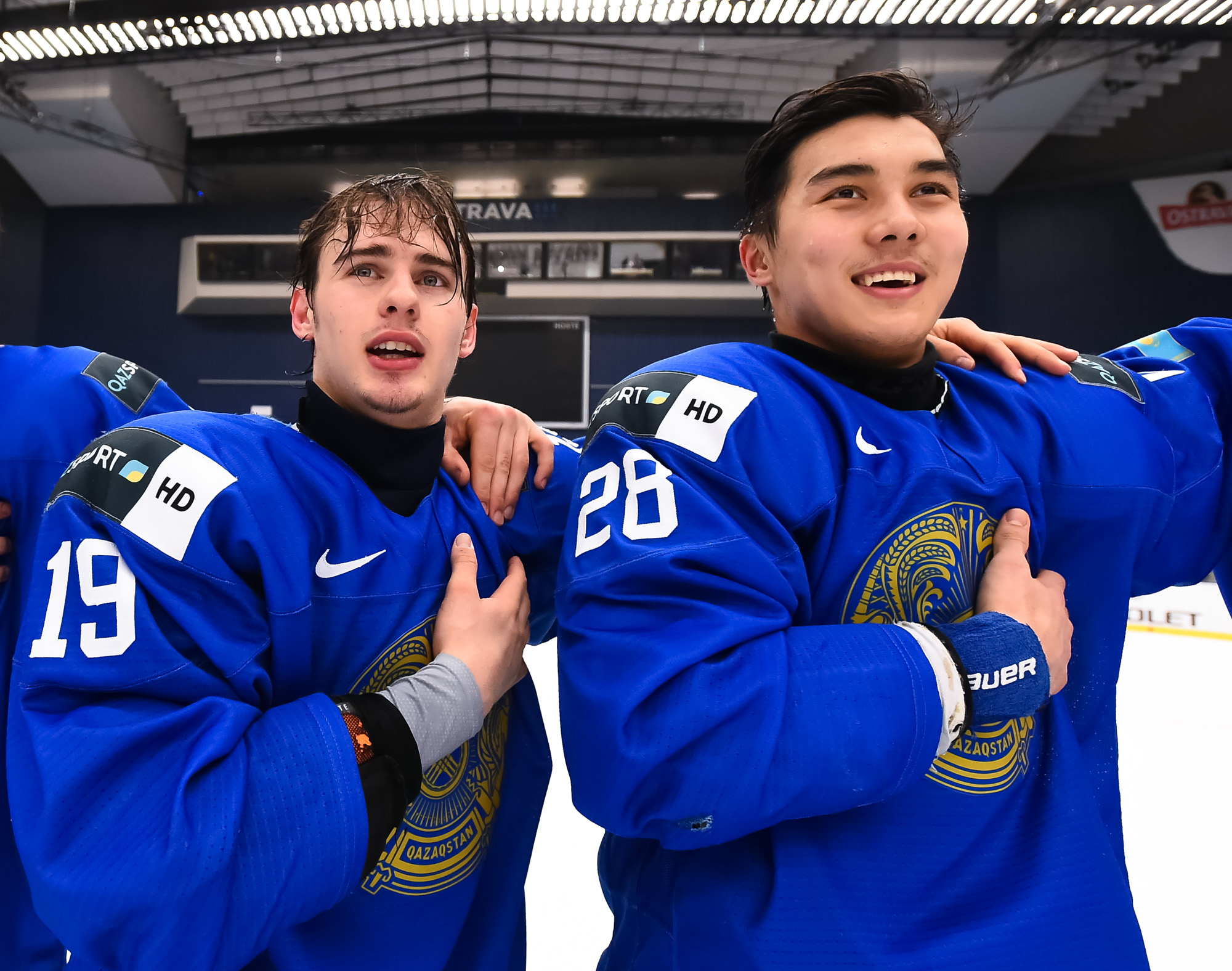