Game two will be played Saturday, and if the Kazakhs fail to win it will be Germany going to Canada next year while the Kazakhs will go down to Division I-A. They were in the top pool last year, finishing 9th, but between 2010 and 2018 they were in the lower level.

"We watched some clips about how they played, so by the time the game started, we were ready for them," said John Peterka. "They play a physical game and never give up, so we knew we had to out-battle them."

Germany is playing up for the first time in five years and was clearly the better team today. They came out sluggish in the opening 20 minutes, perhaps because of the unusual 10am start time, but by the second they had found their footing.

"We had to wake up and have breakfast at 6:45, so that was hard," Peterka explained. "I took a cold shower and then came to the rink. We didn't play well in the first period, but I think it's because no one is used to playing at that time. Then we woke up and outplayed them."
World Men U20
Germany vs. Kazakhstan (R1) - 2020 IIHF World Junior Championship
Lukas Reichel and Louis Brune scored second-period goals to break a scoreless game and send Germany on the way to a critical 4-0 win over Kazakhstan in the first of a best-of-three relegation series.
GER KAZ 02 JAN 2020
Indeed, Reichel opened the scoring at 1:21 of the second after a turnover in centre ice gave the Germans a quick two-on-one. Peterka made a nice backhand saucer pass to Reichel, who snapped a shot over the shoulder of Vladislav Nurek in the Kazakh goal.

The Germans had a two-man advantage for 66 seconds a little while later but couldn’t convert, but they made it 2-0 at 11:45 off a fine three-way passing play between Tim Fleischer, Yannik Valenti, and Brune, who finished the play with a low shot that eluded Nurek.

Nurek was the difference in the game for Kazakhstan. He stopped Valenti on a breakaway a little later and kept his team in the game while Germany was outshooting Kazakhstan in the second by a whopping 19-3 margin, six of which came off the stick of Valenti.

Germany scored early again in the third thanks to Peterka, who converted a great cross-ice pass from Stutzle. That more or less put the game out of reach given that the Kazakhs had scored but seven goals in its first four games (four by Maxim Musorov).

Dominik Bokk made it 4-0 on a two-man advantage midway through the period off a sharp-angle one-timer.

The closest Kazakhstan got to scoring was shortly after, when Alikhan Omirbekov hit the post coming down the left wing. The puck stayed out, and now his team is in a must-win situation on Saturday.
Germany vs. Kazakhstan (R1) - 2020 IIHF World Junior Championship 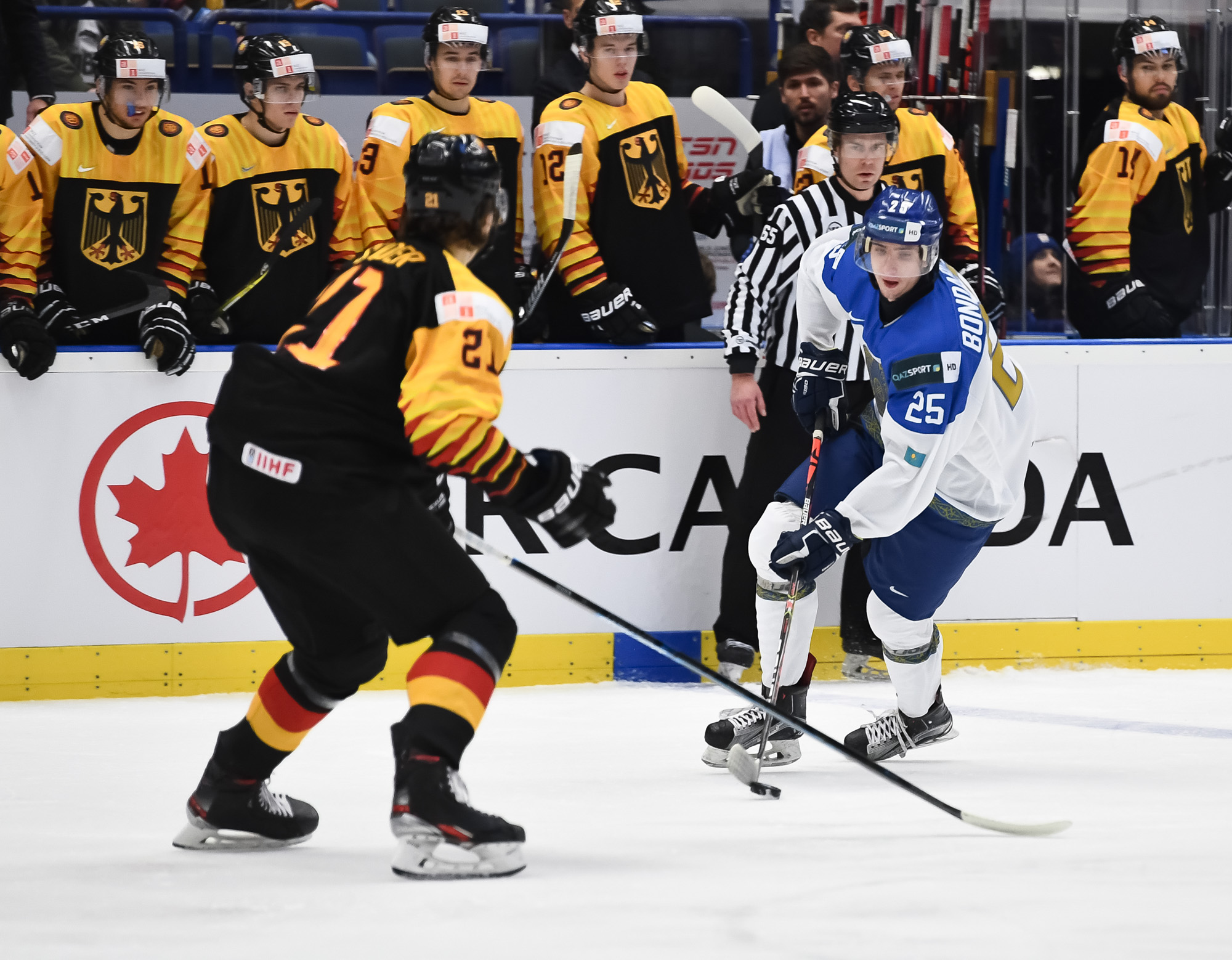 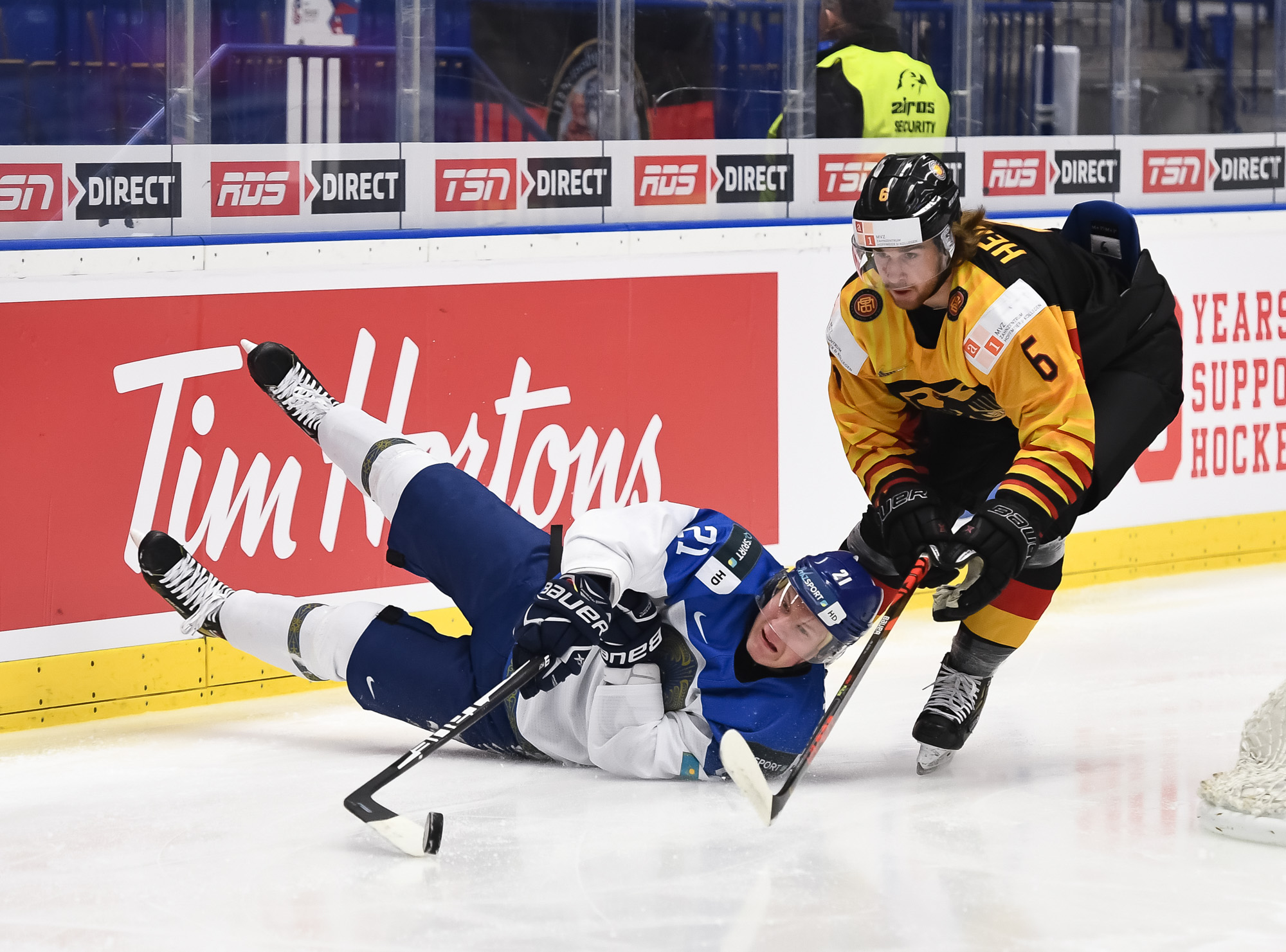 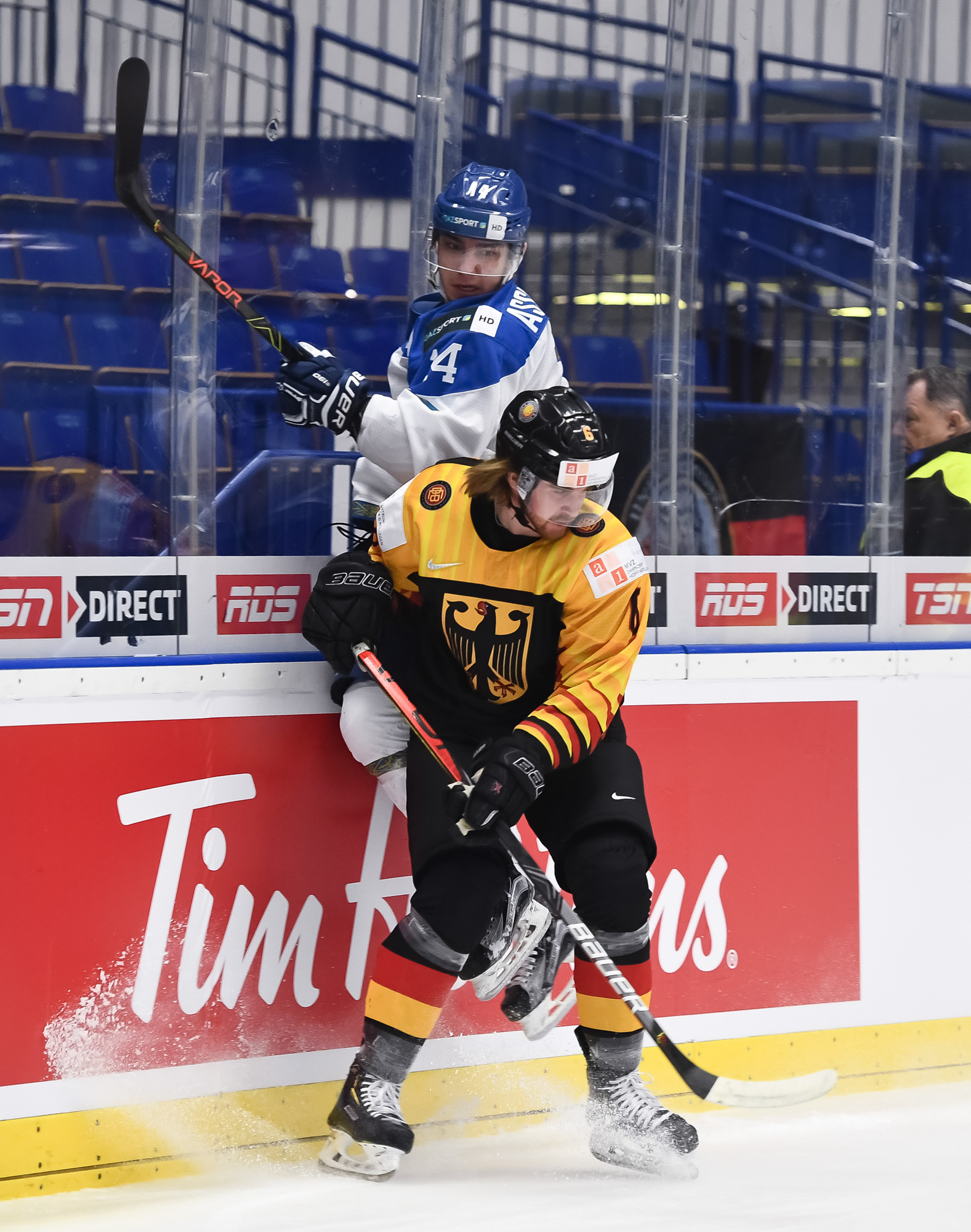 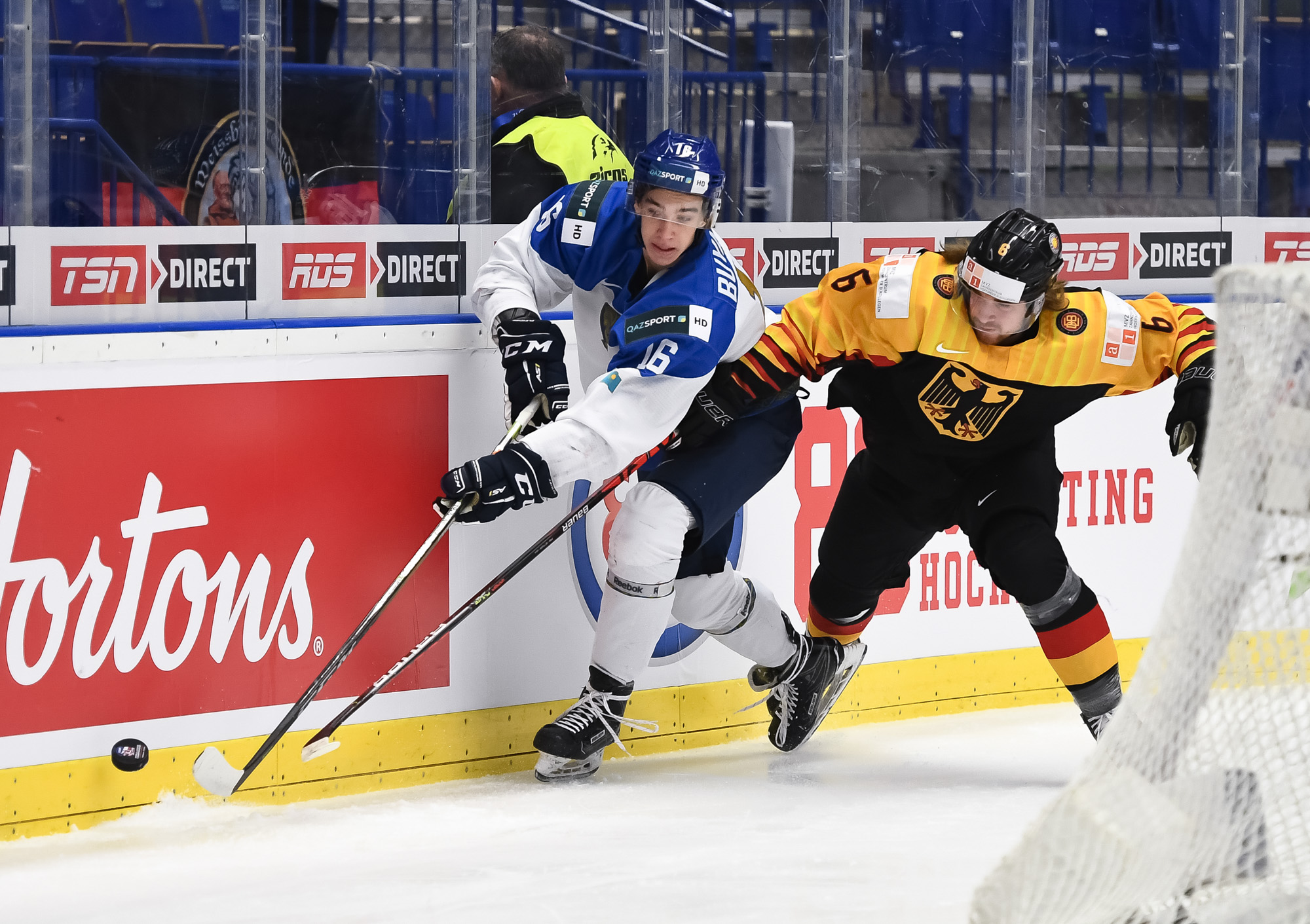 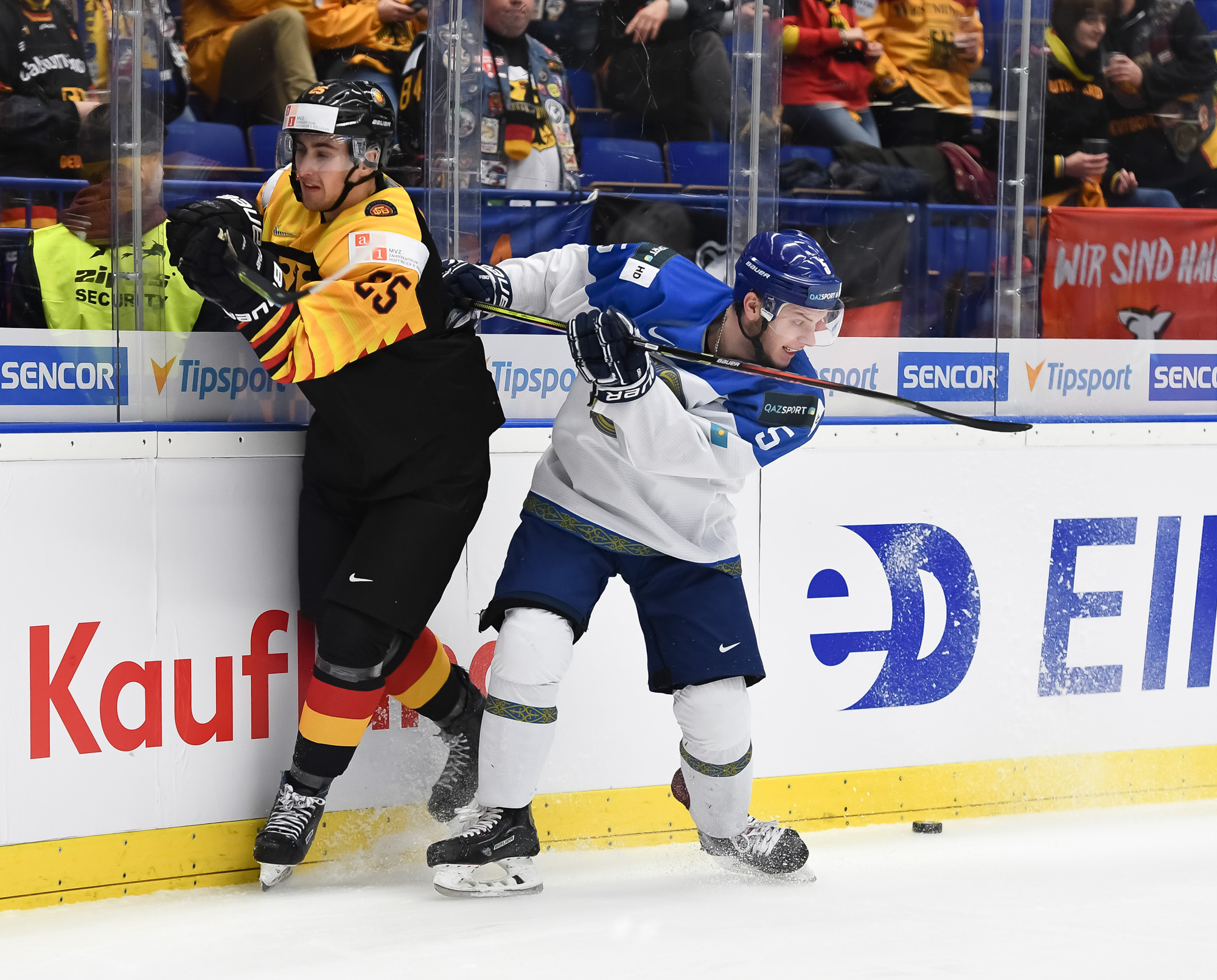 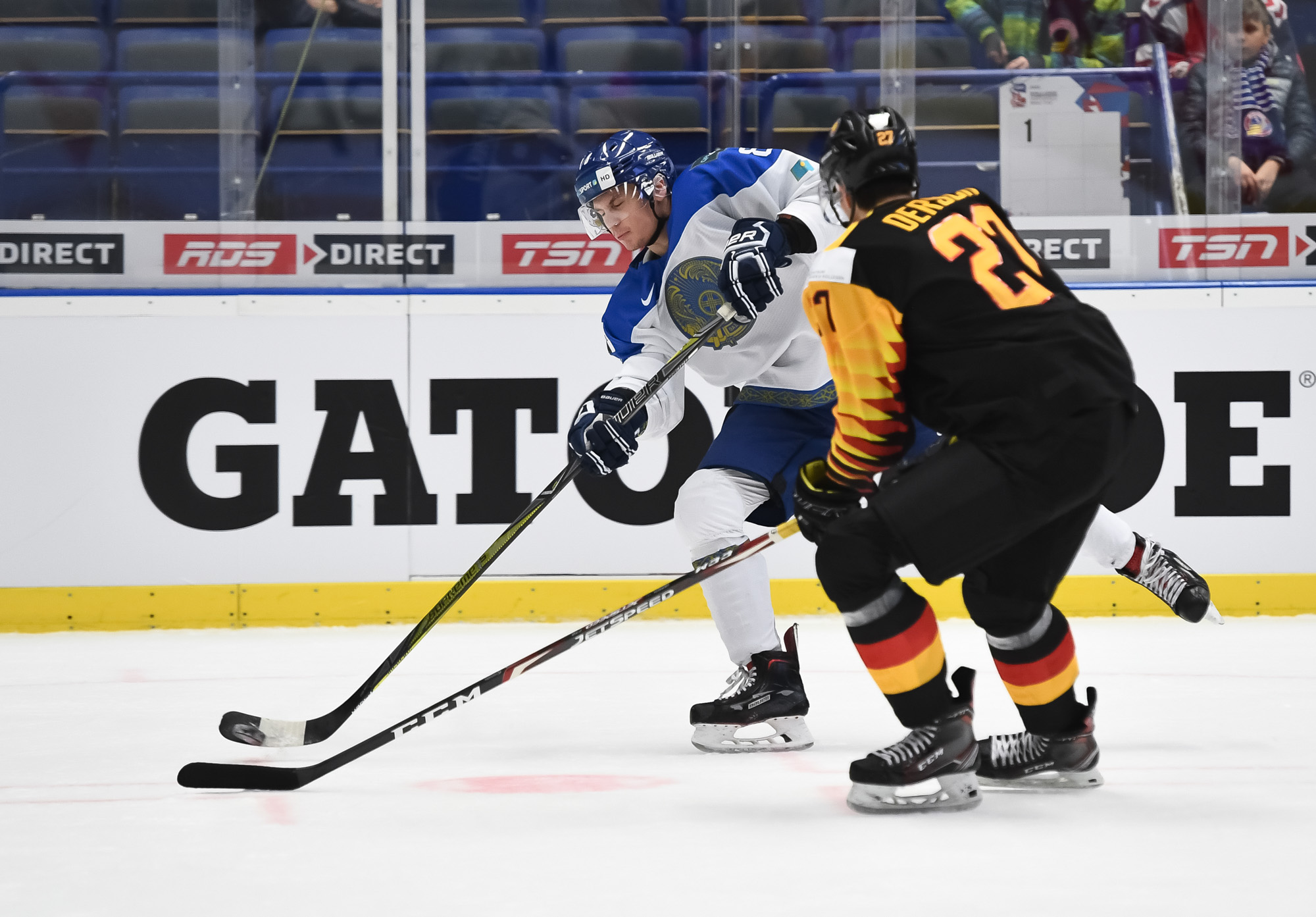 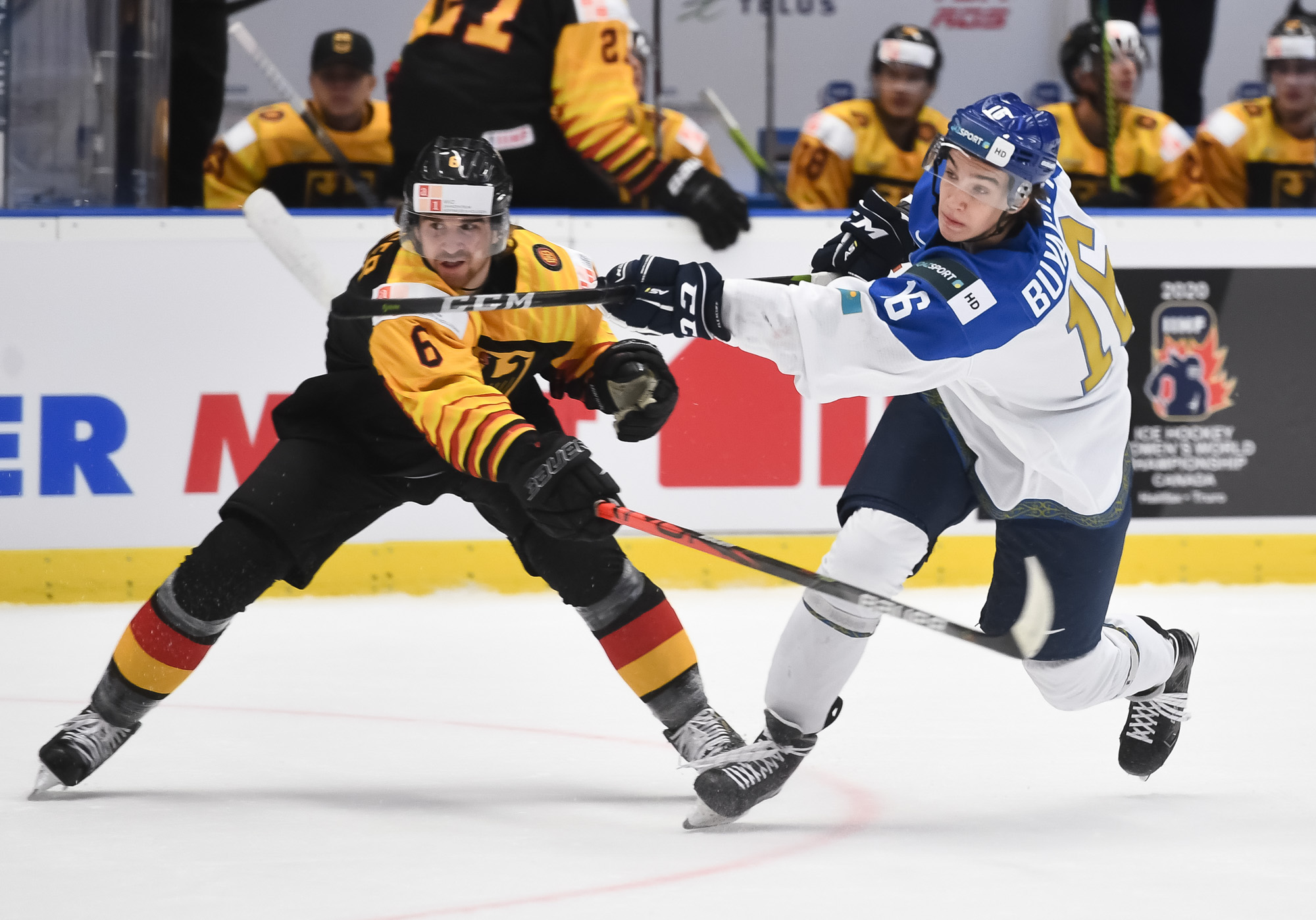 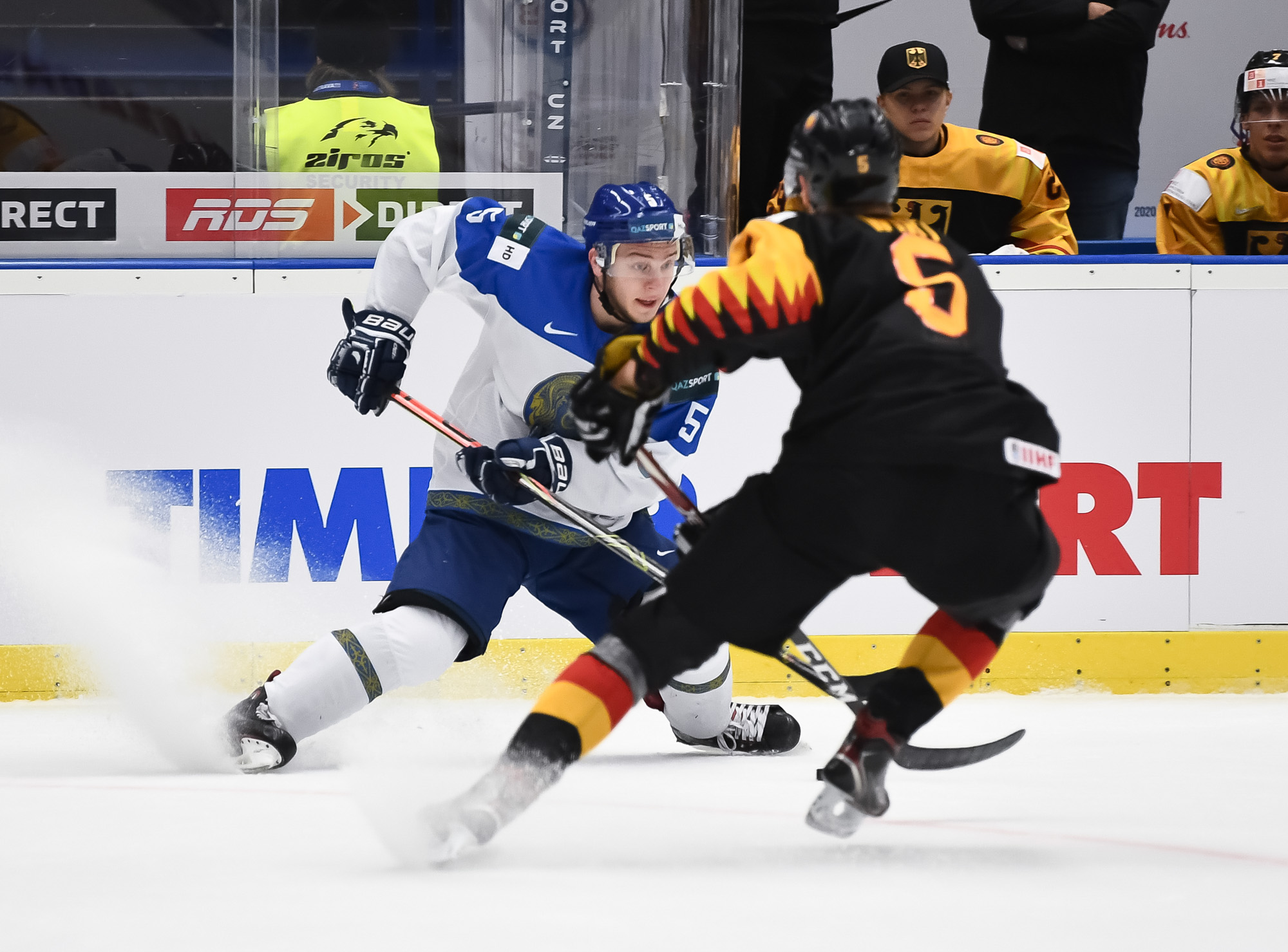 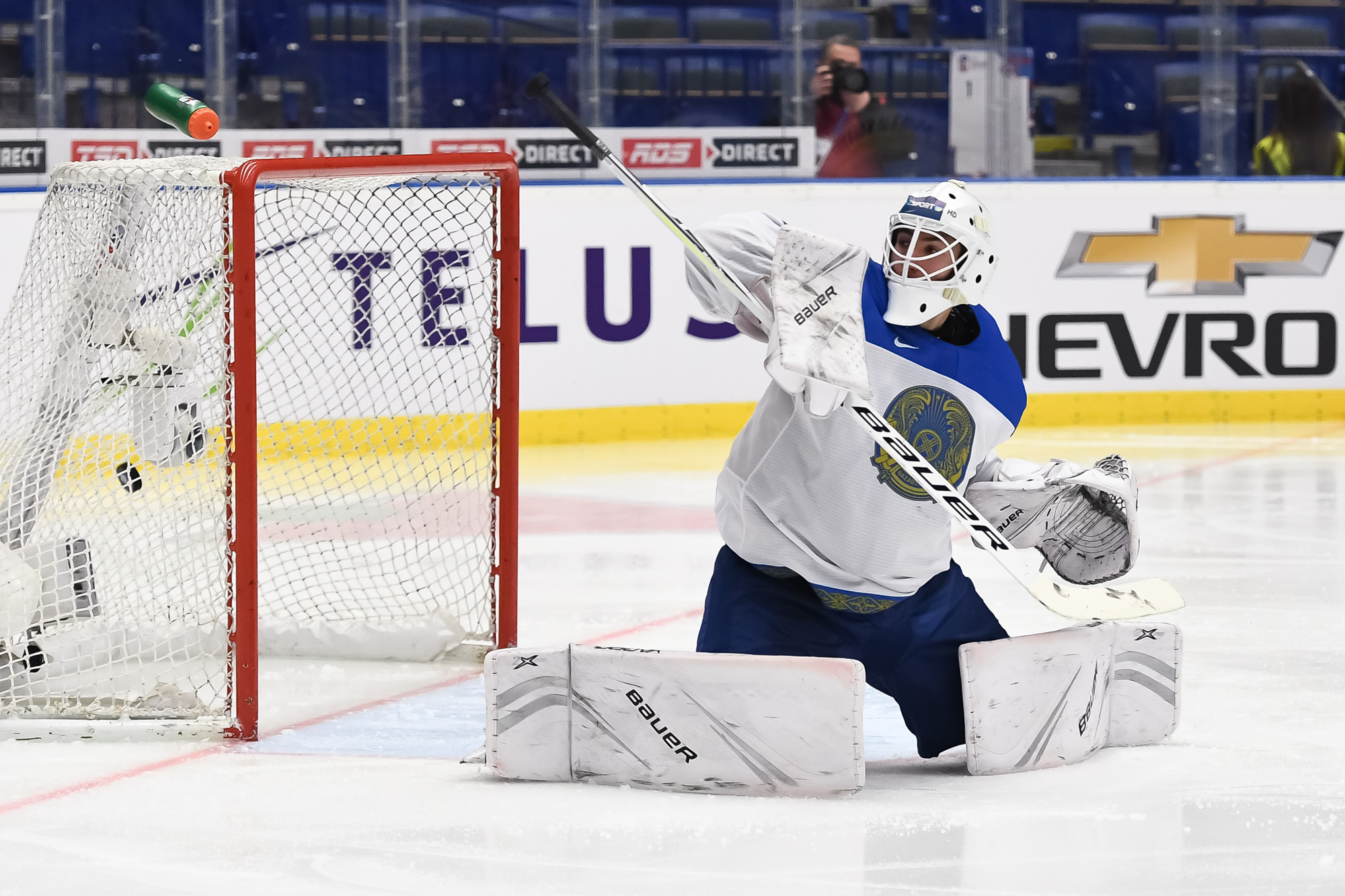 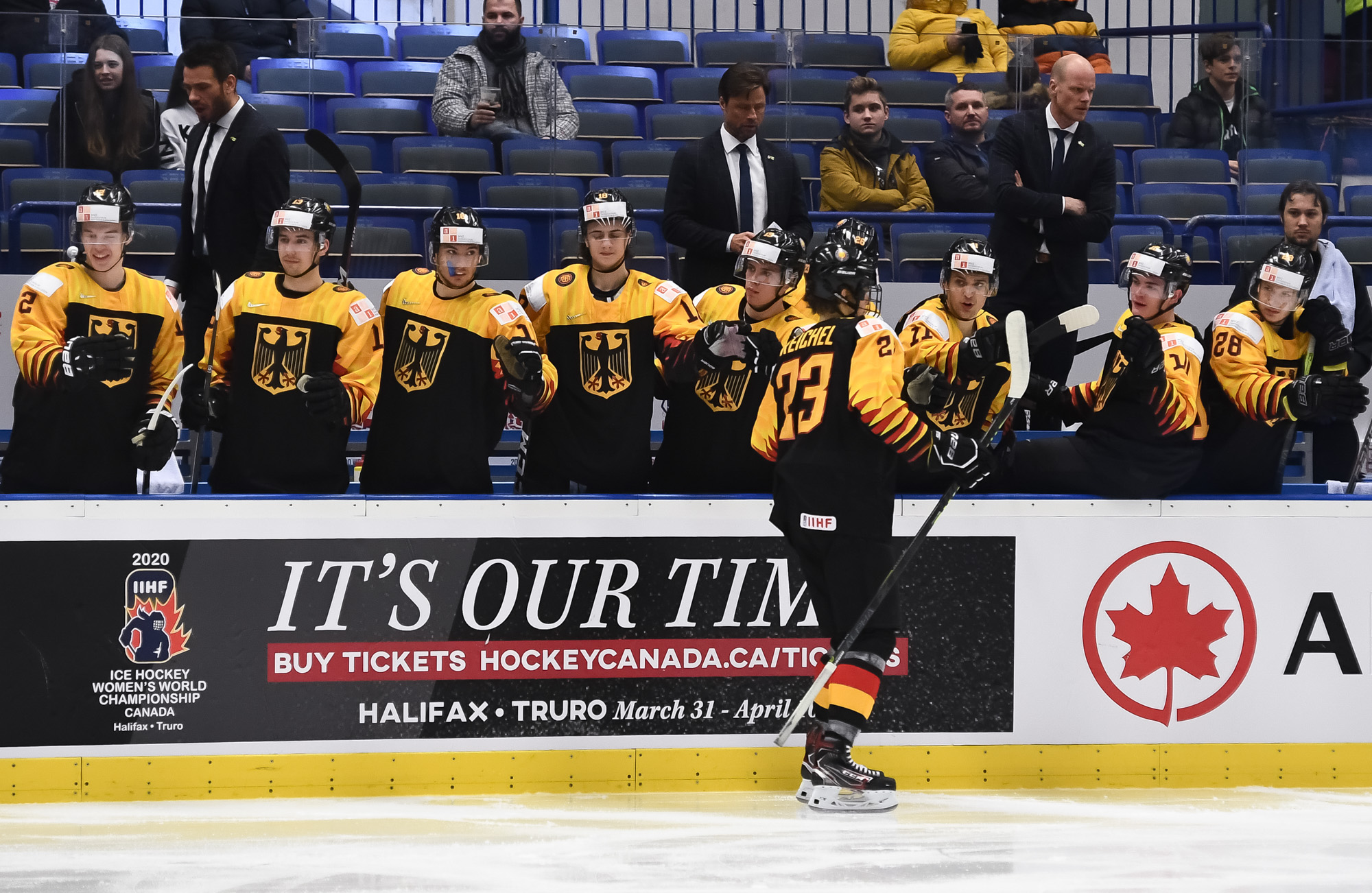 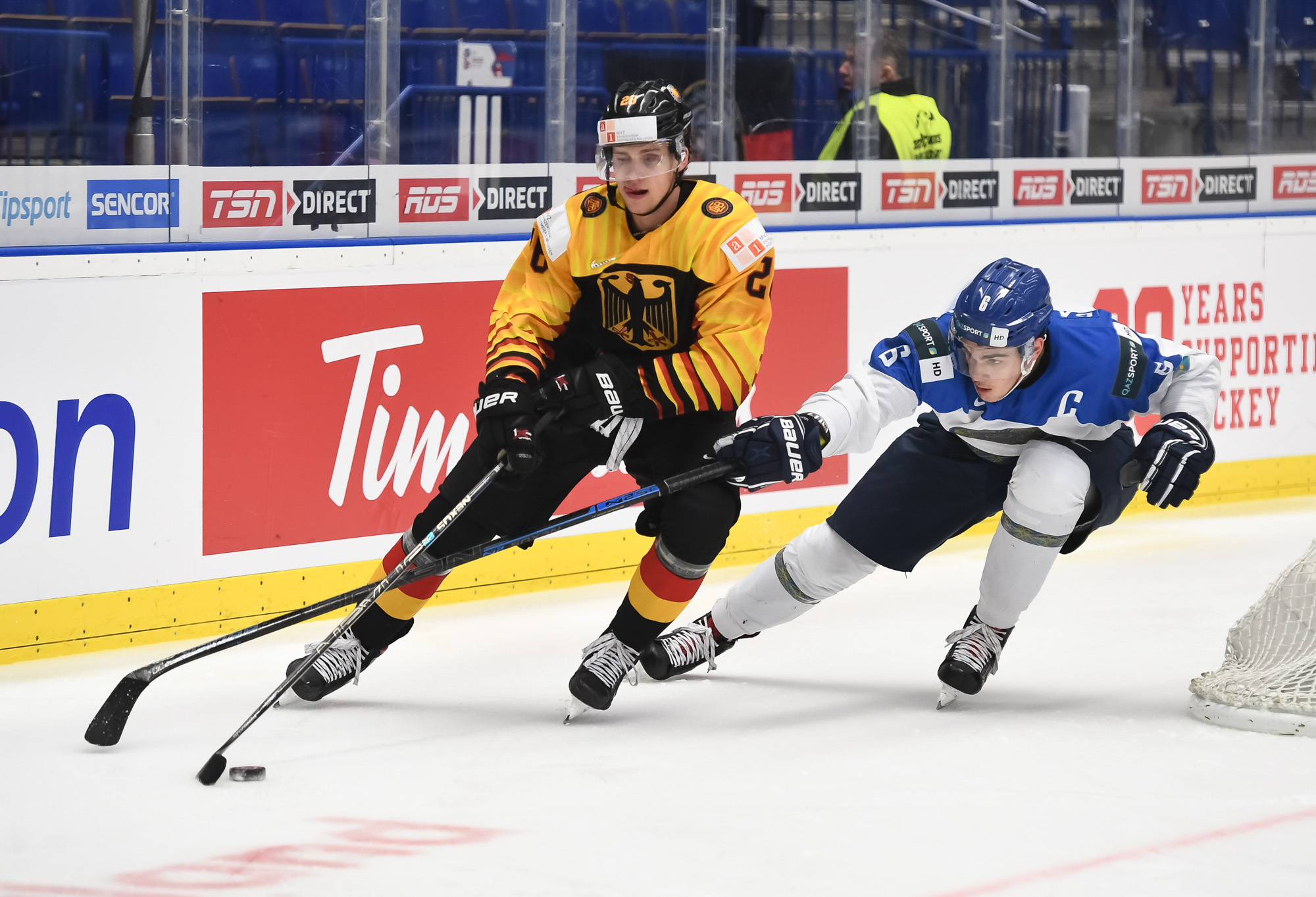 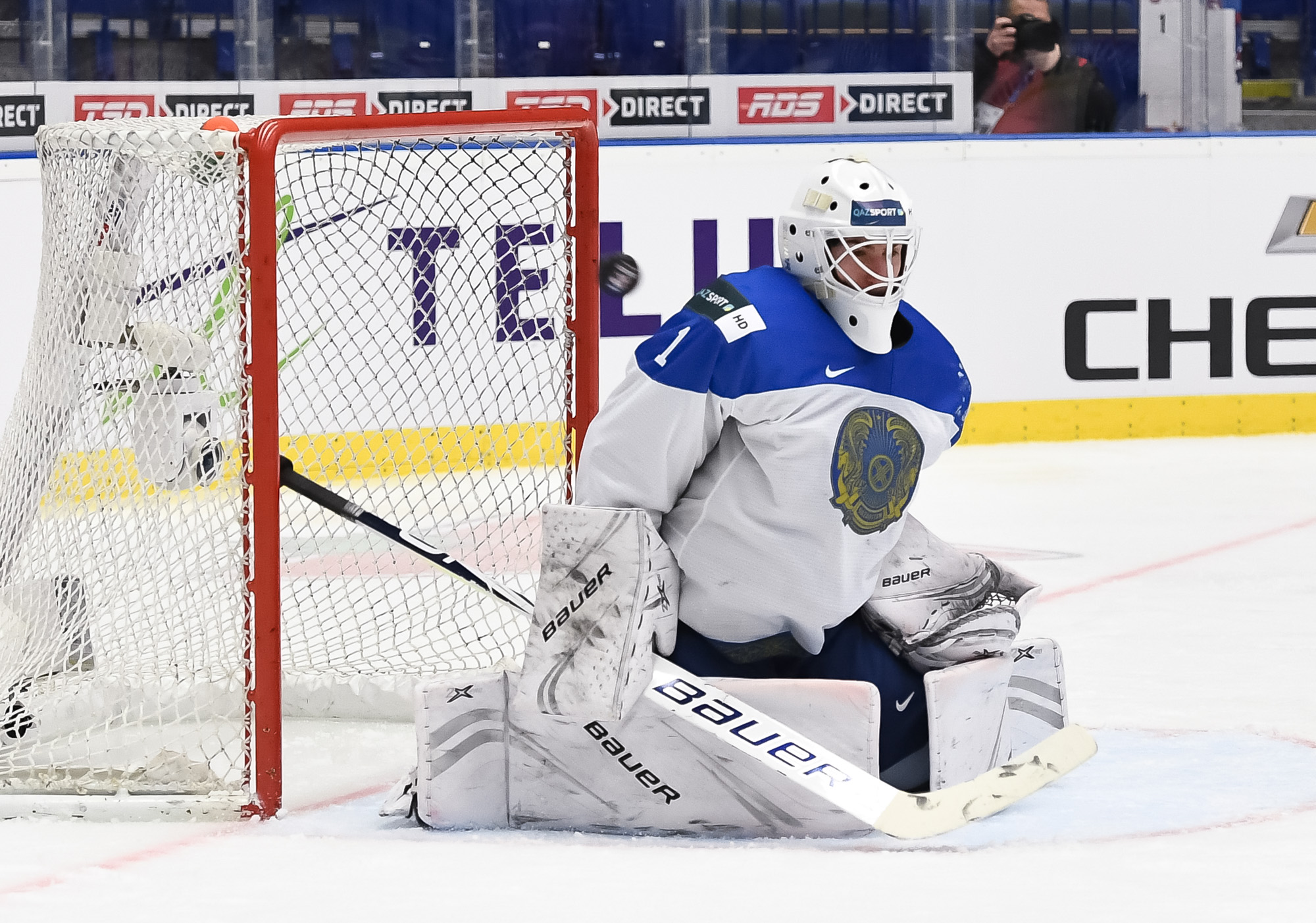 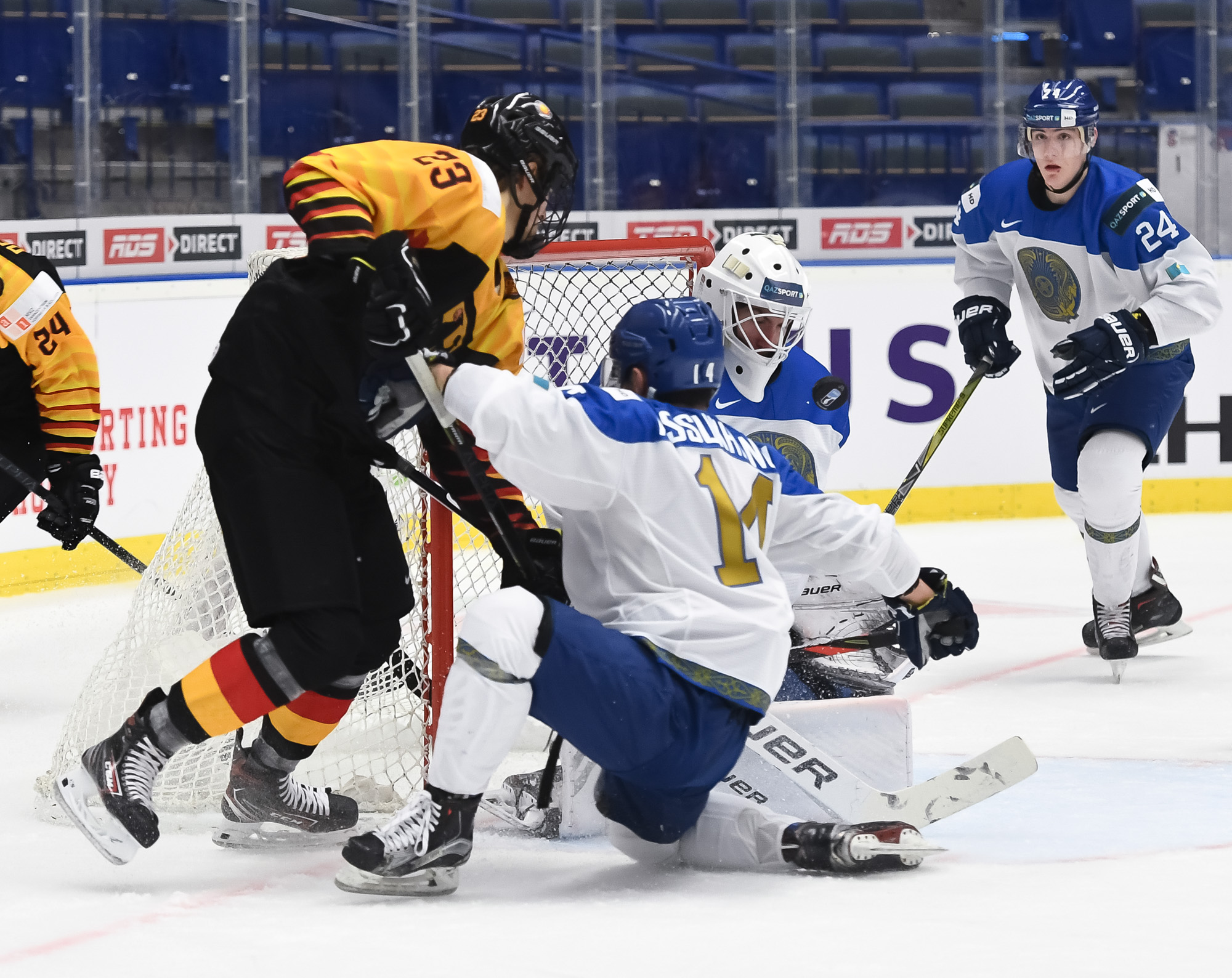 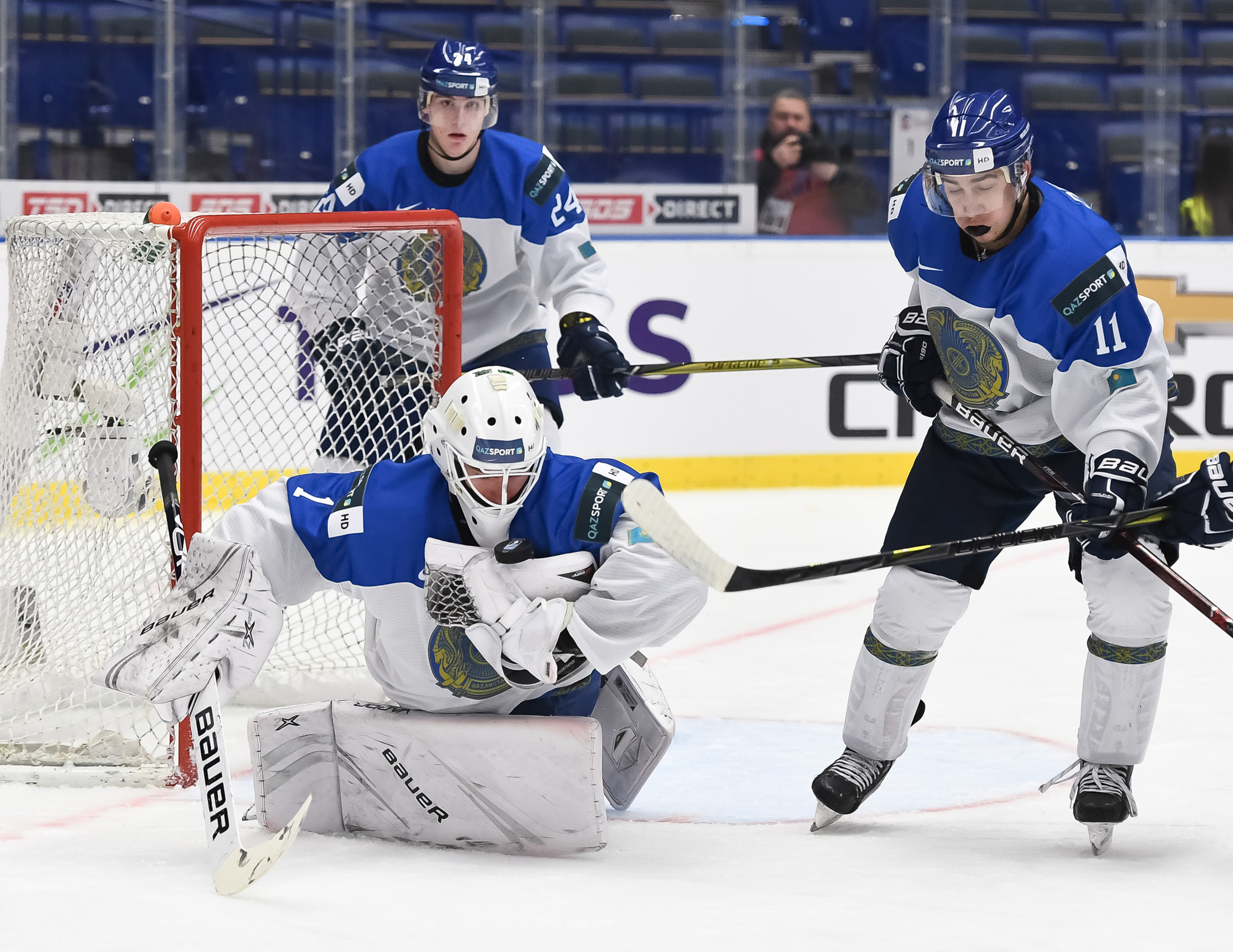 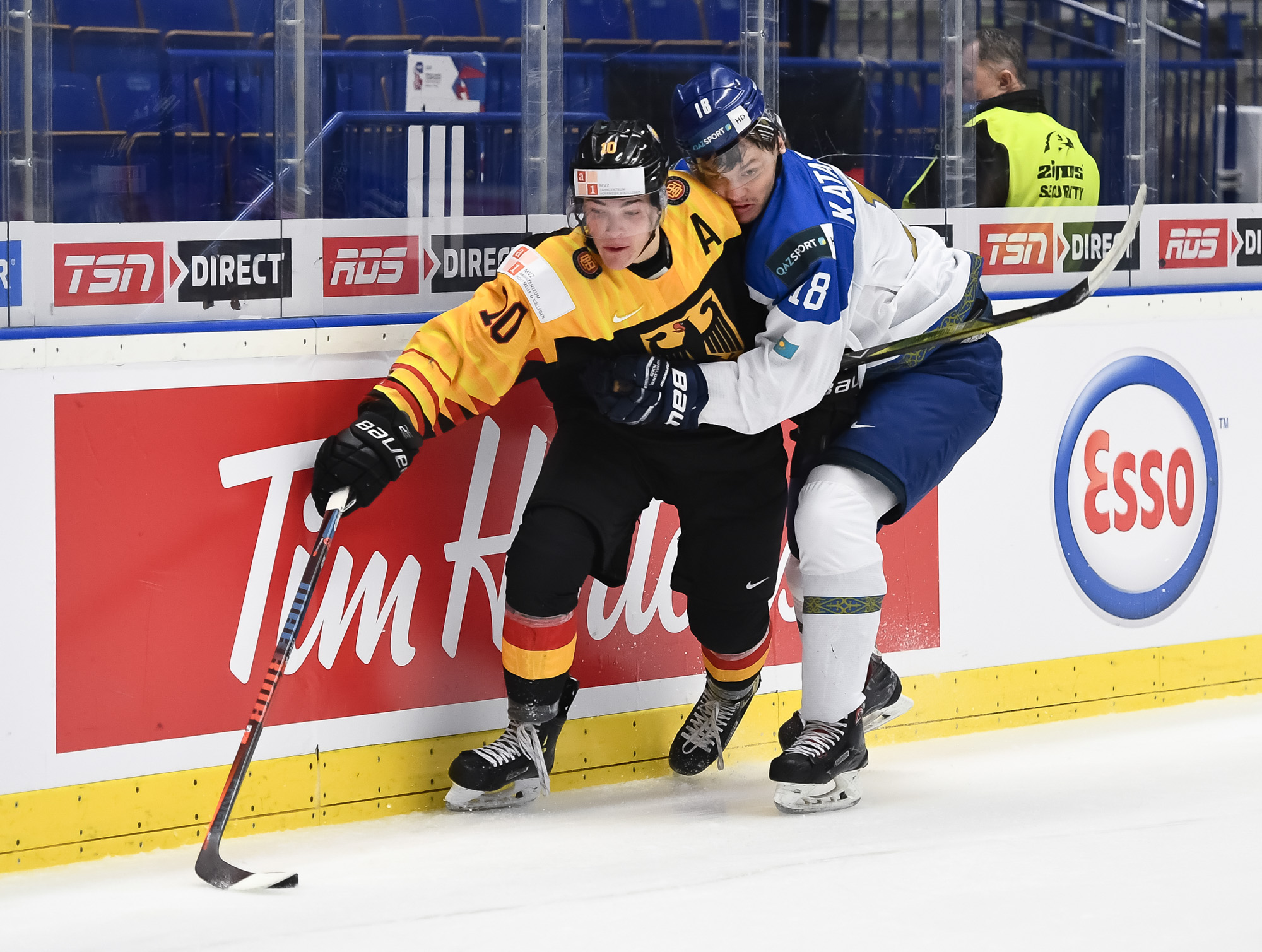 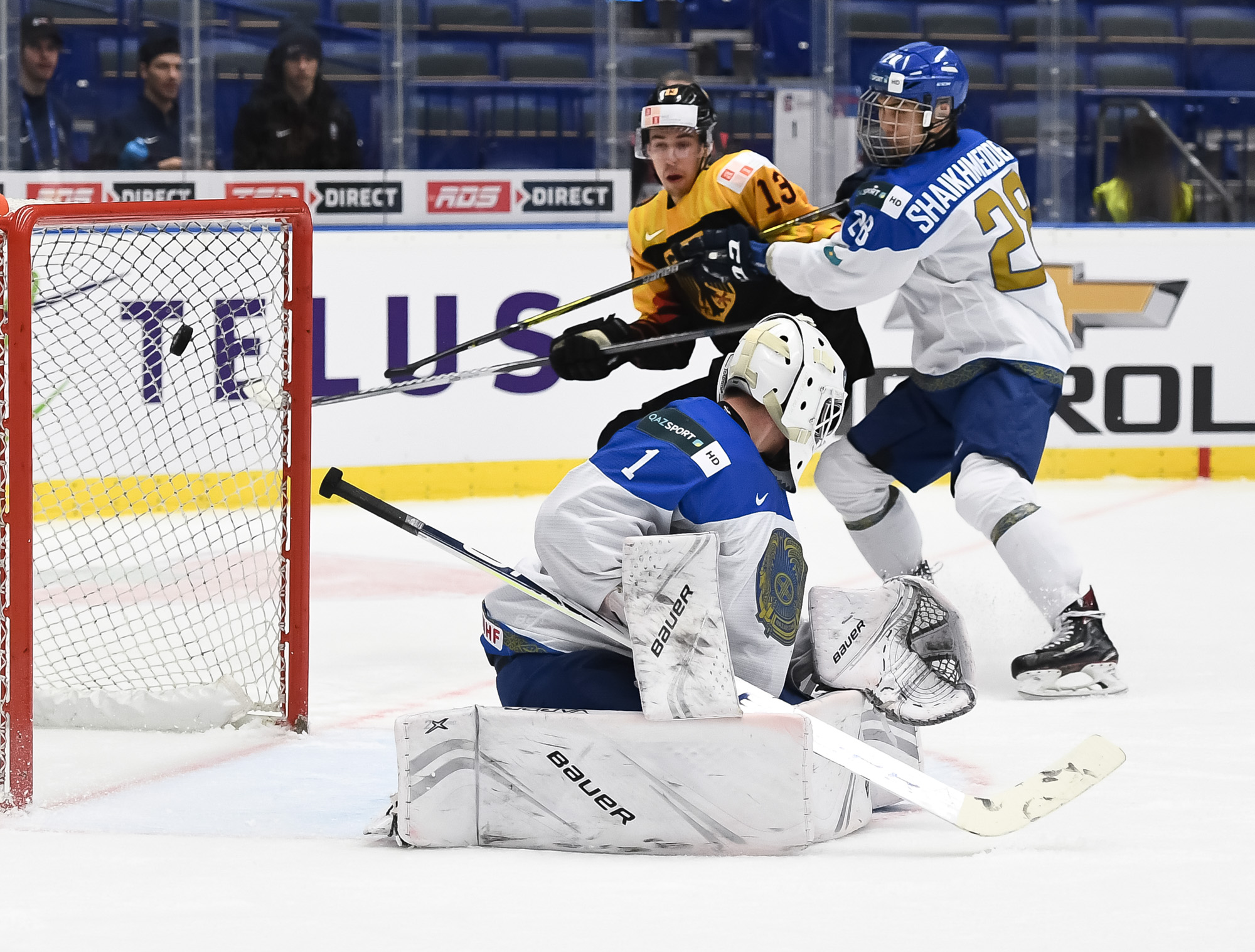 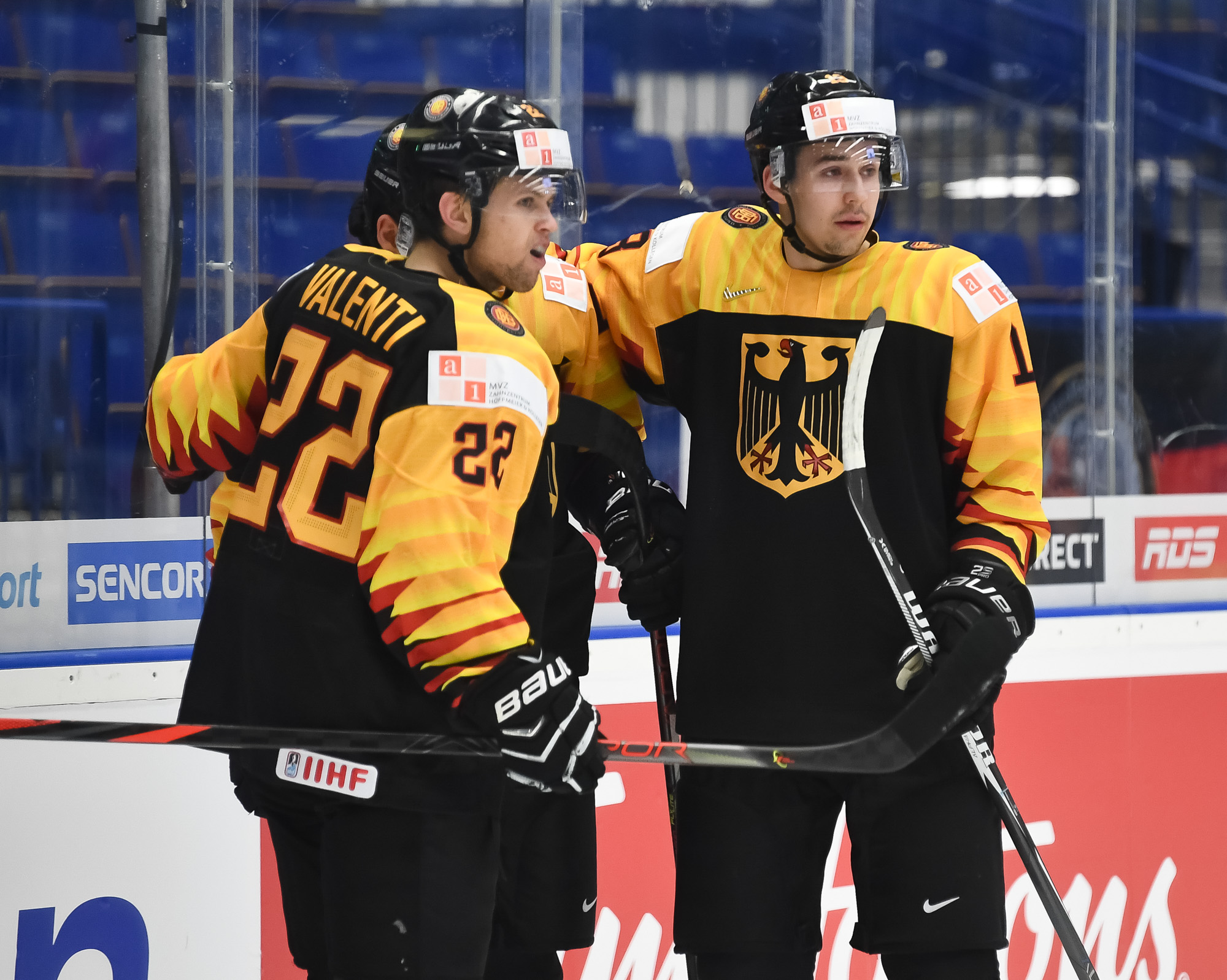 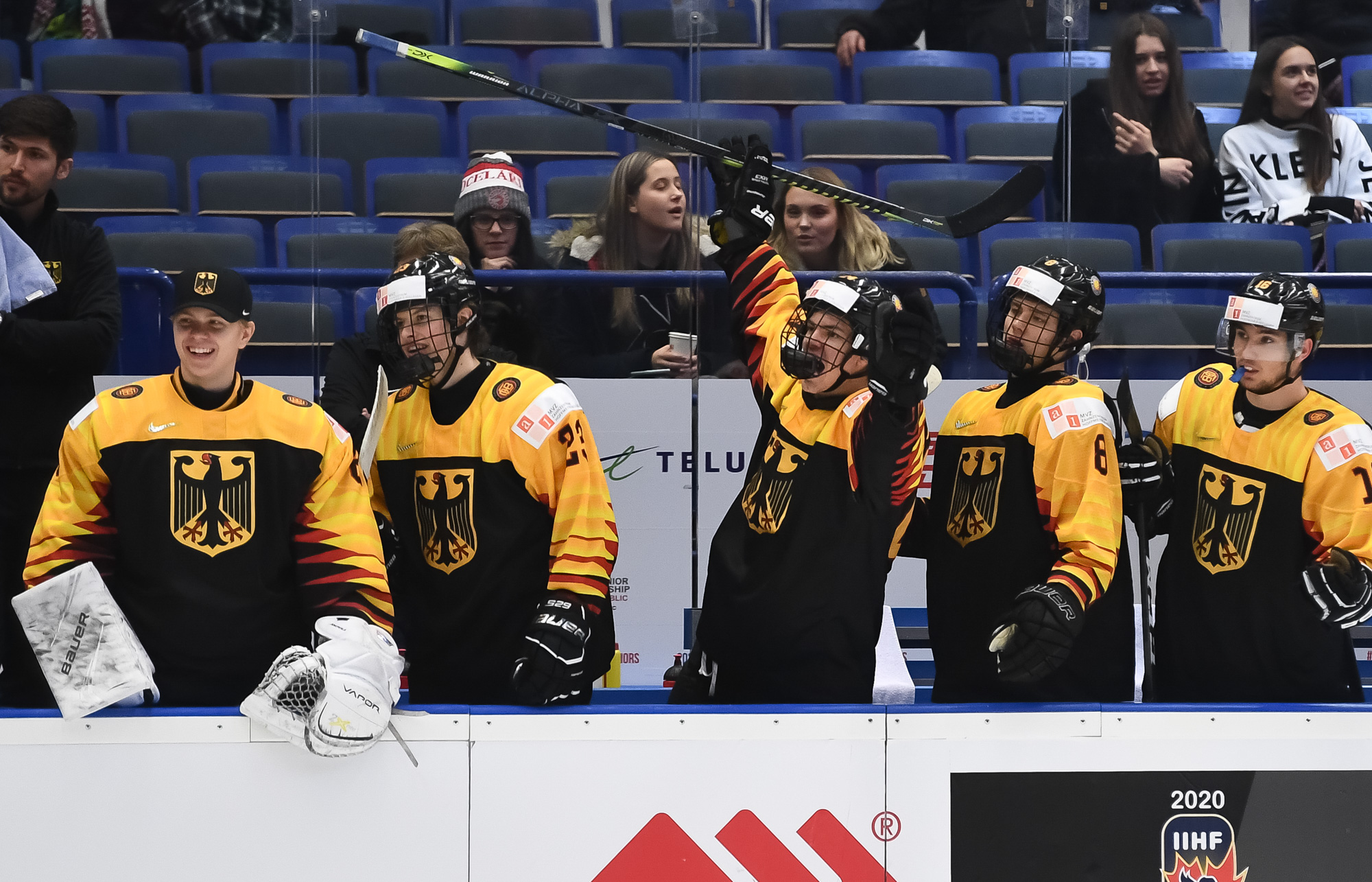 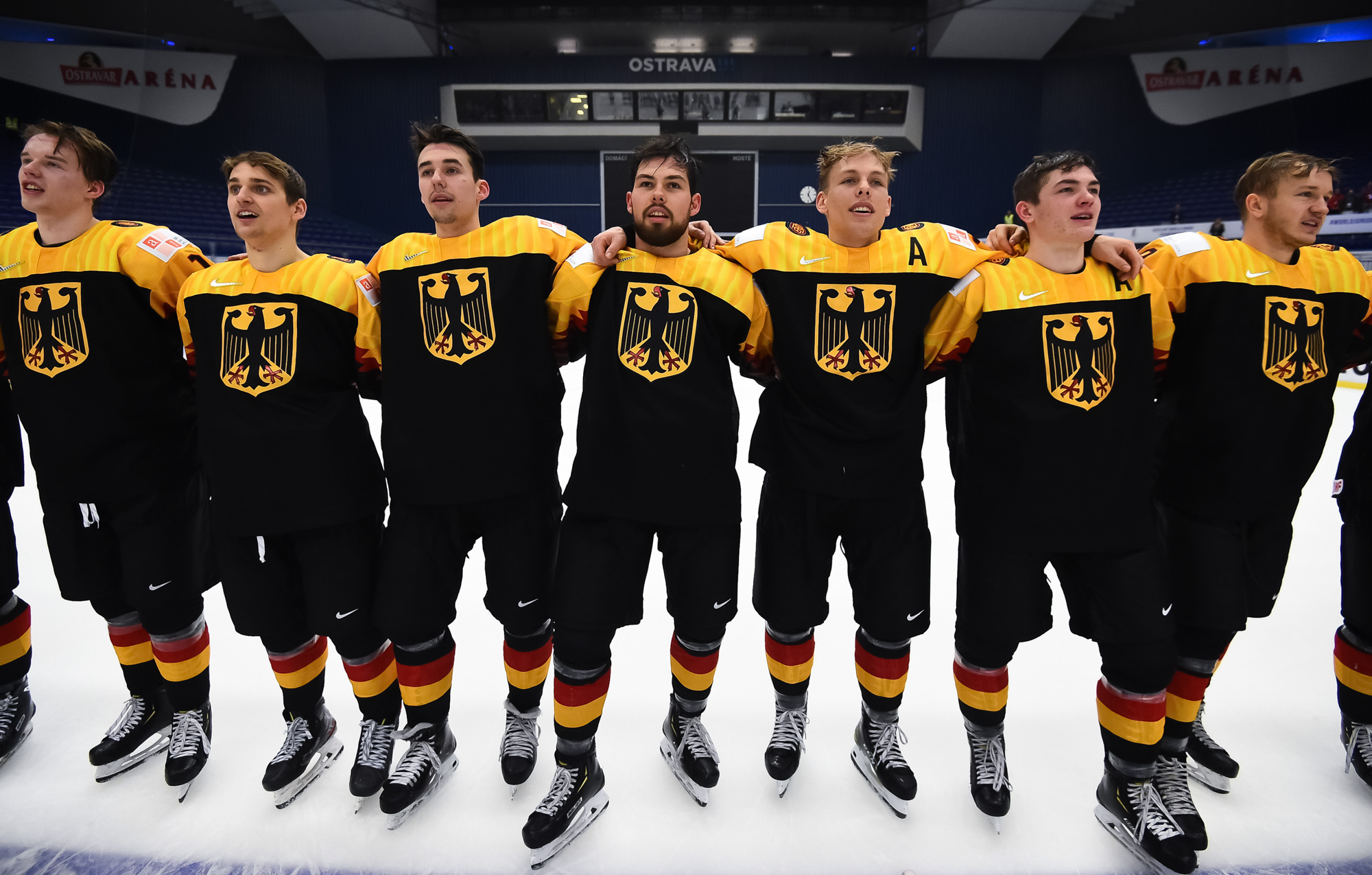 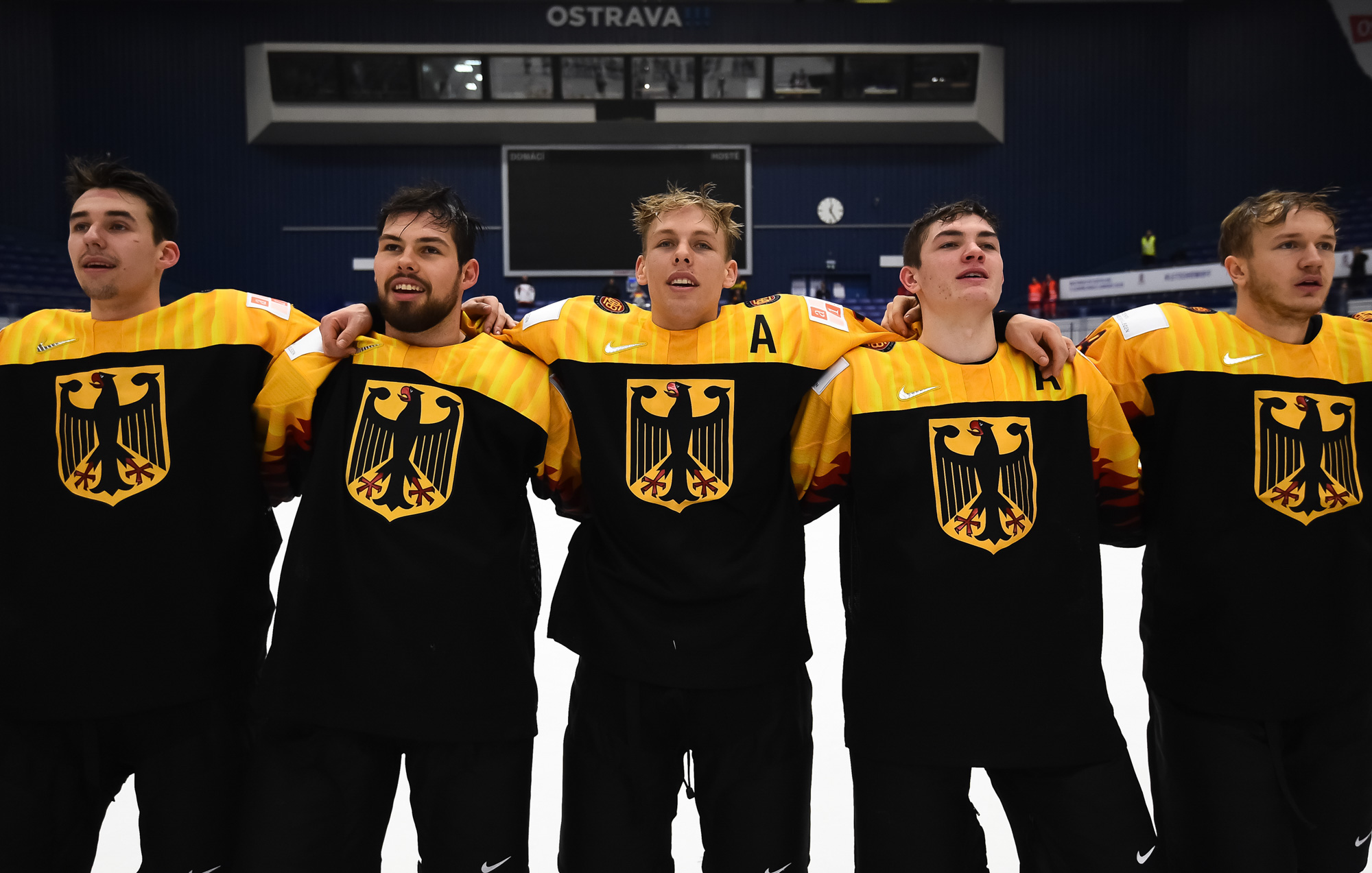 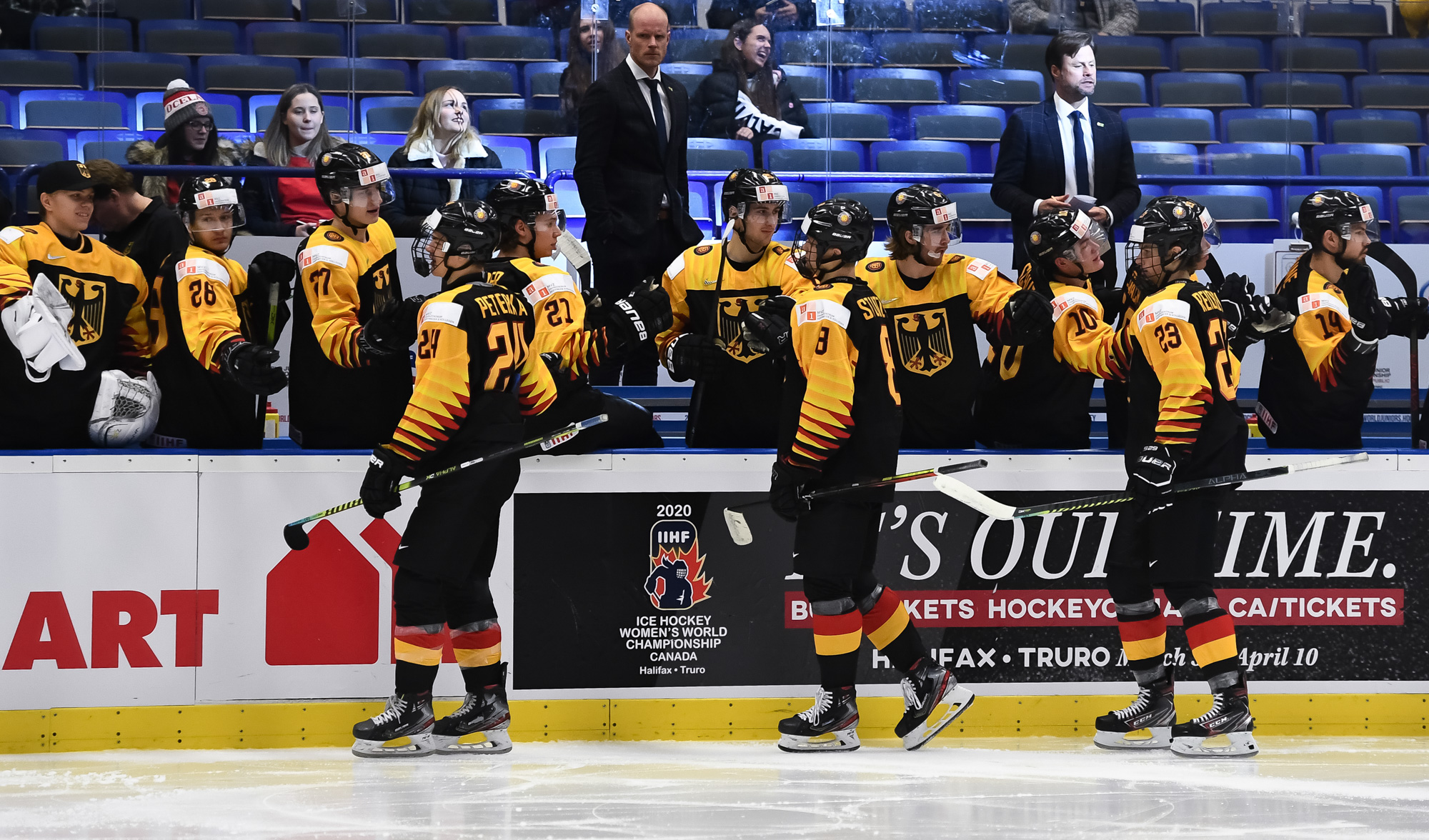 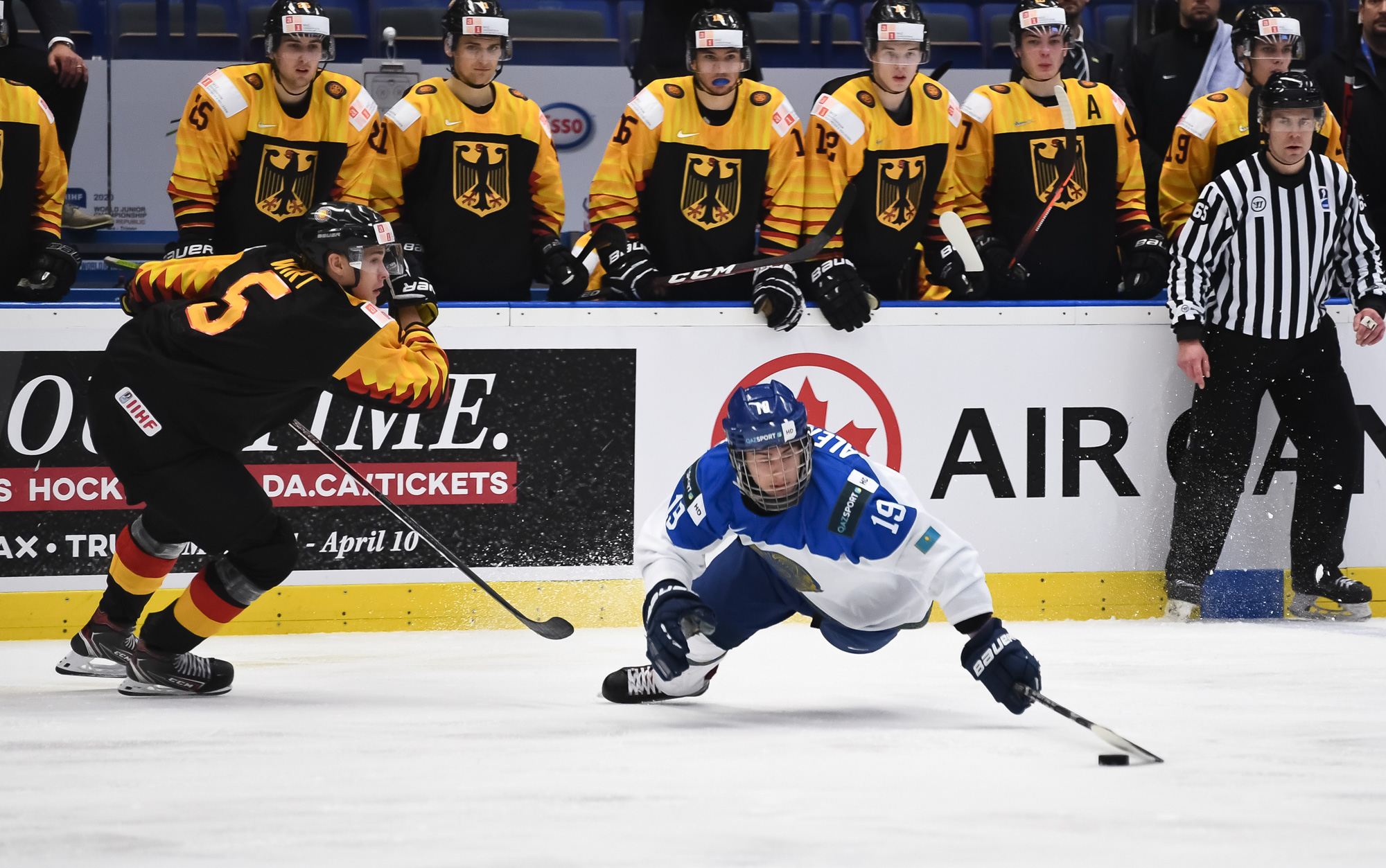 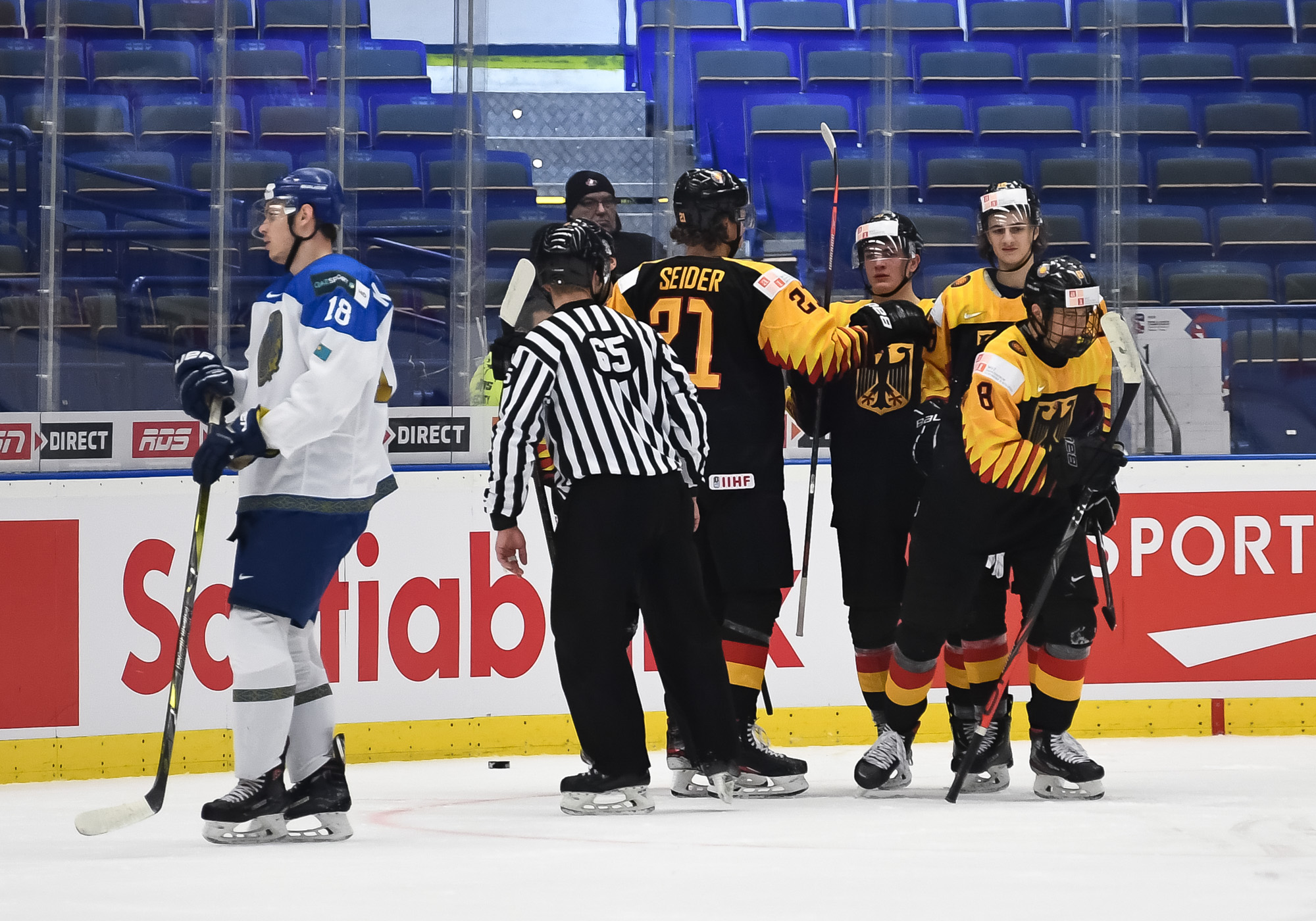 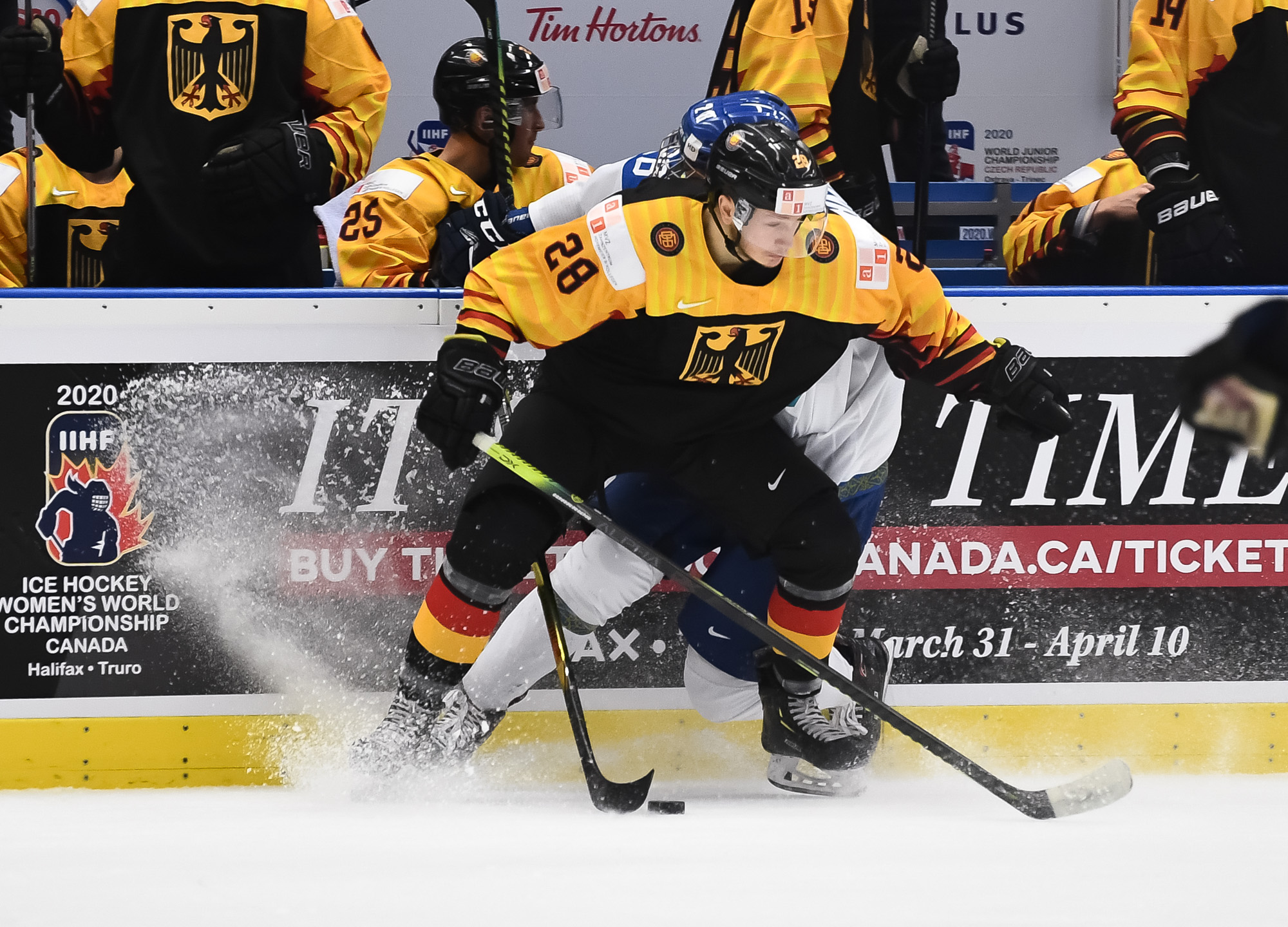 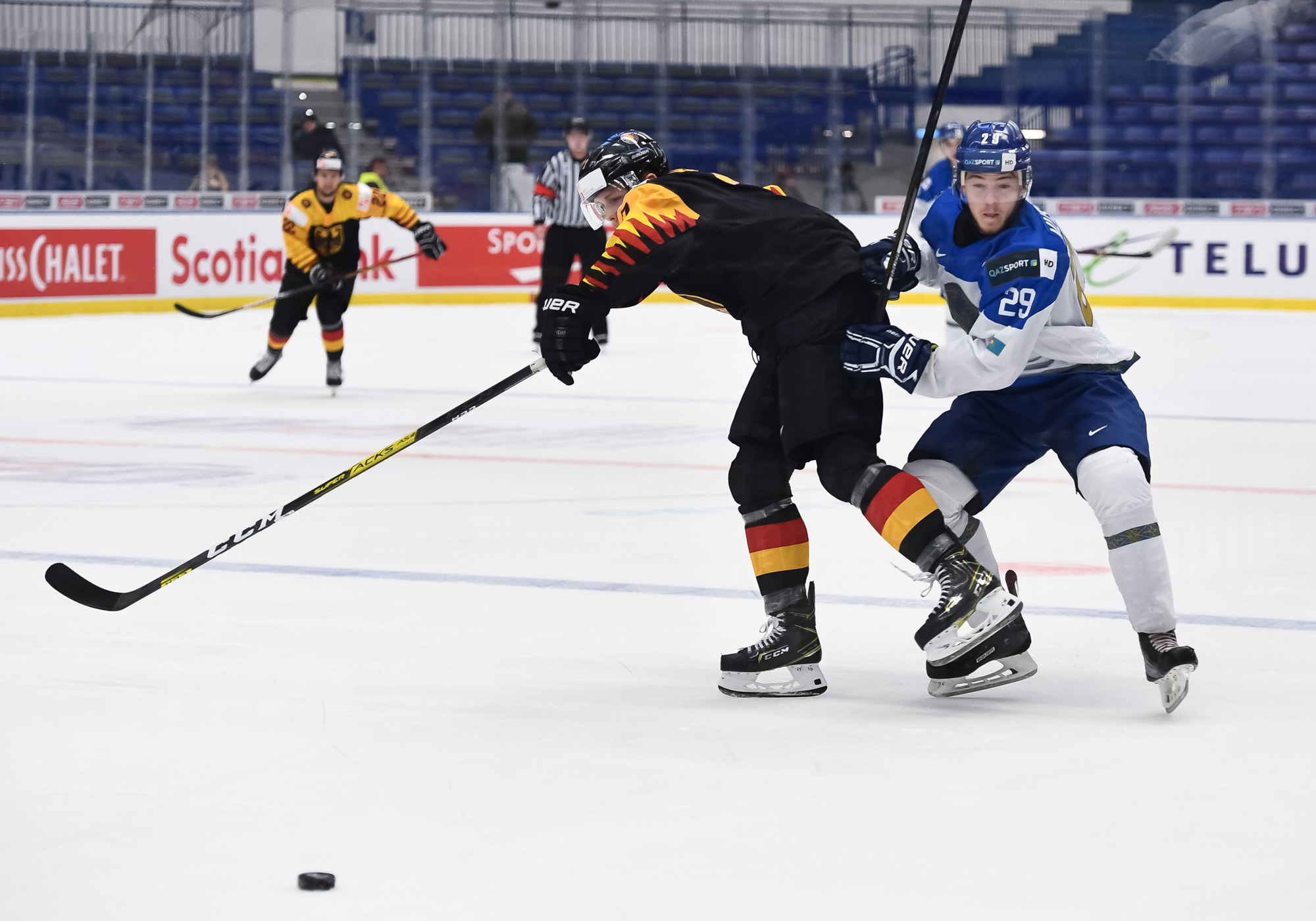 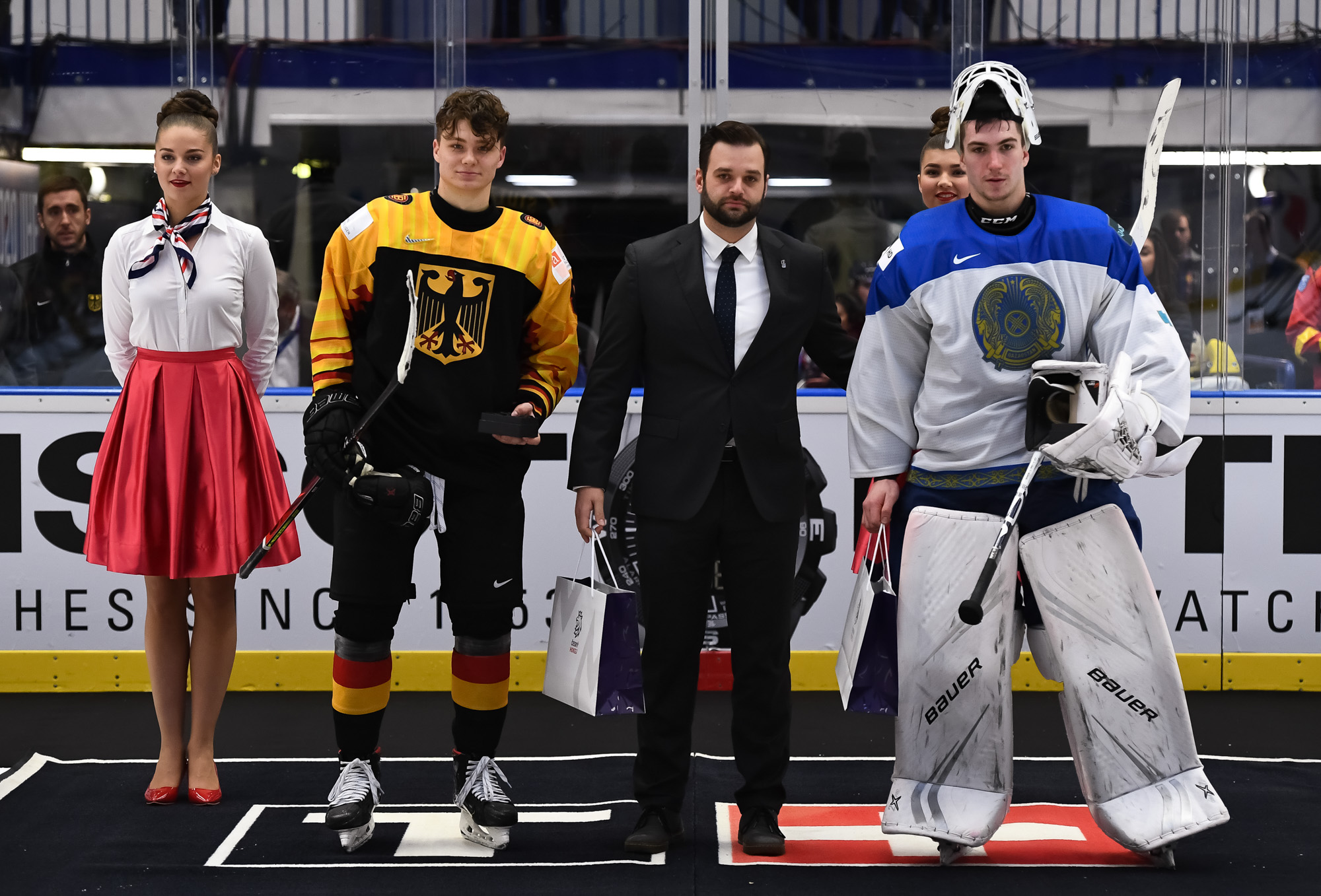 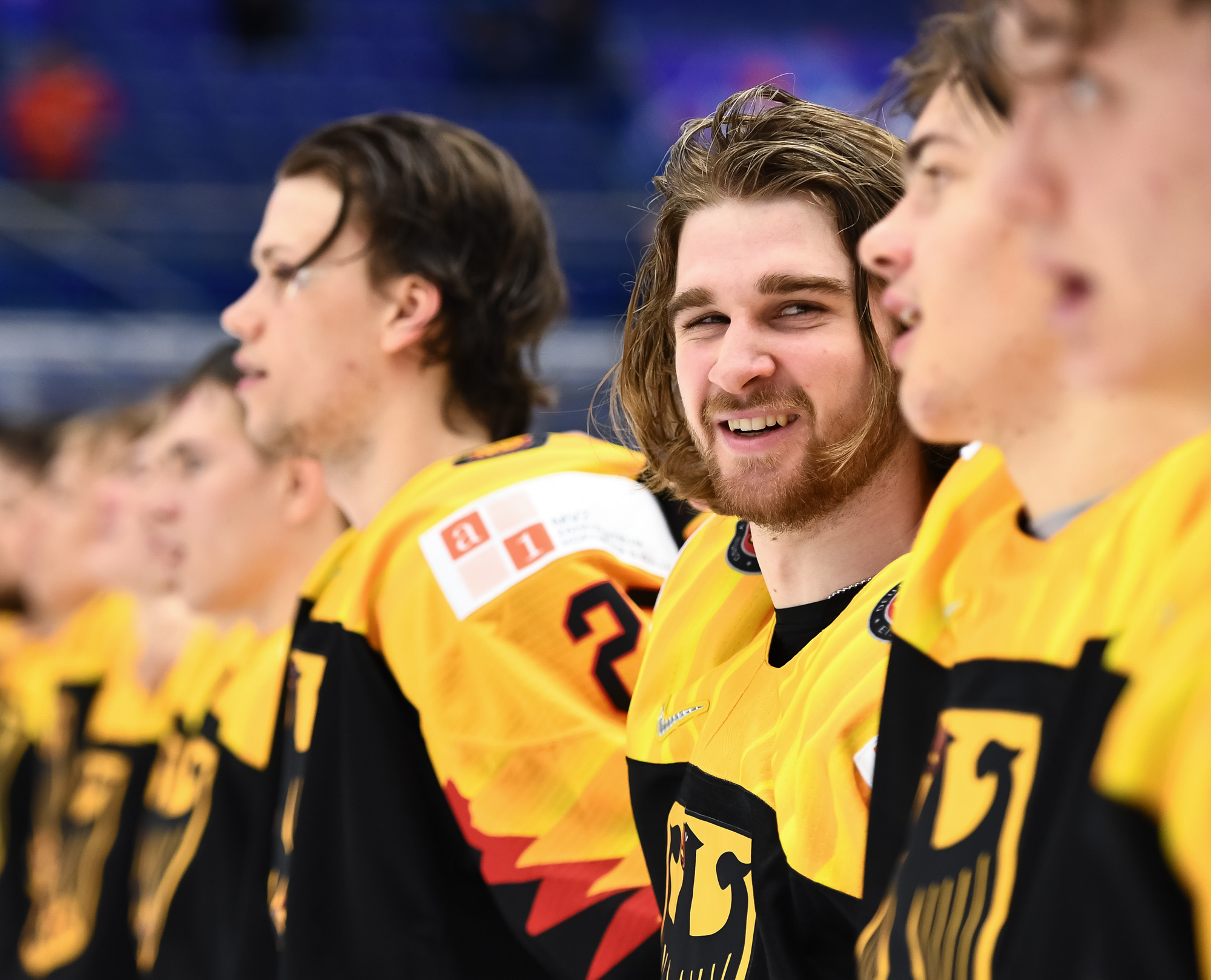 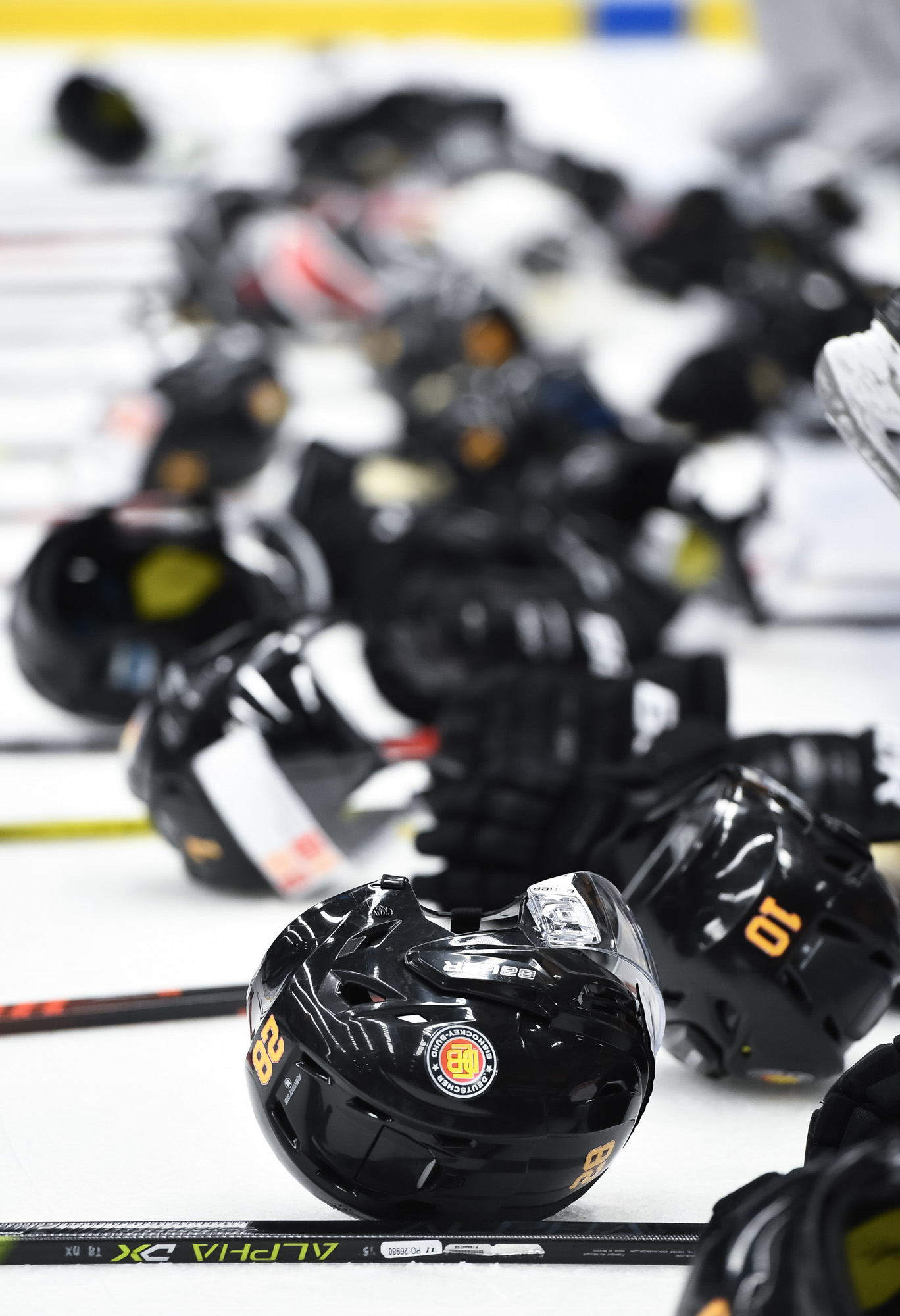 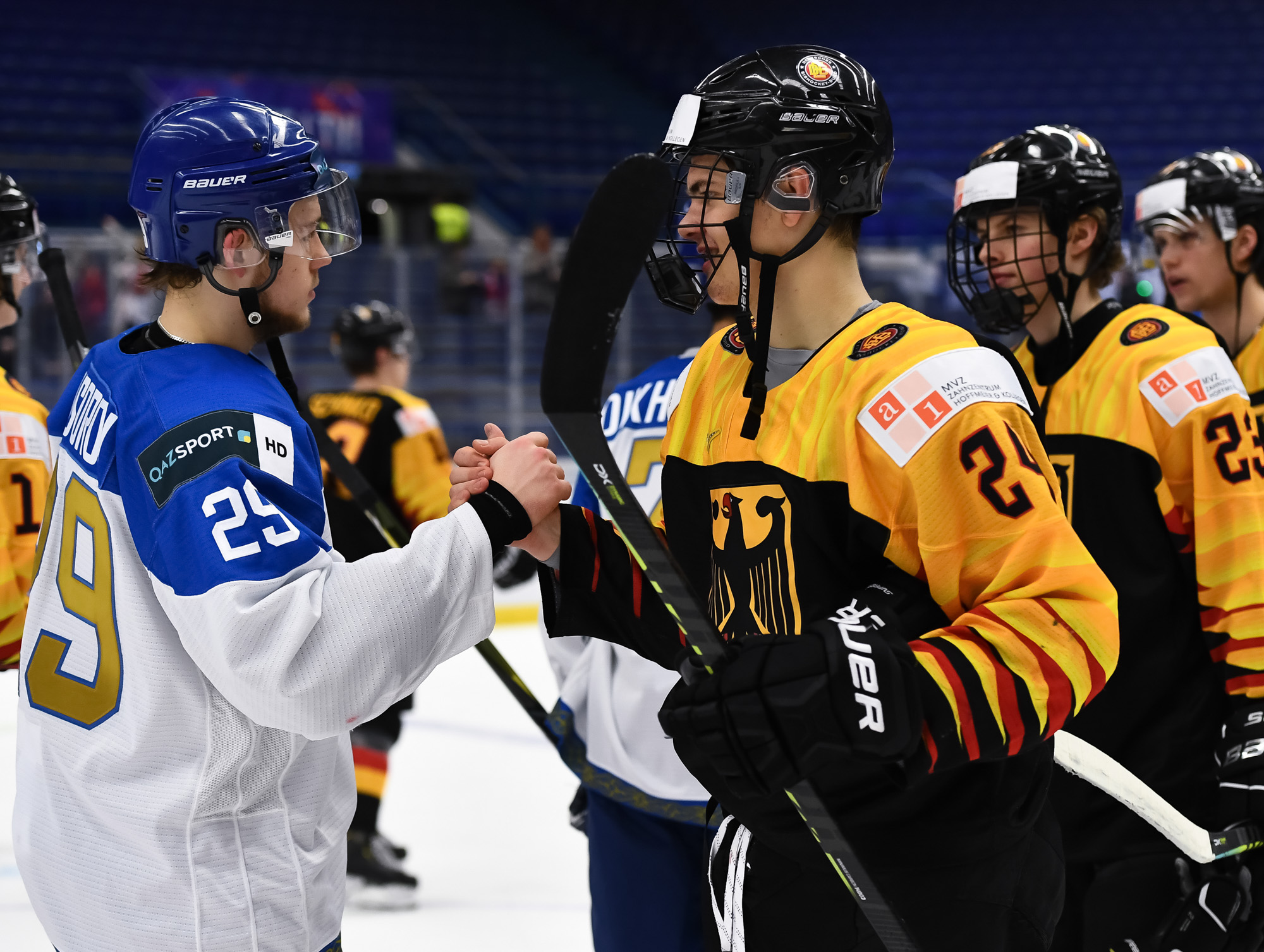