Canada edges OT verdict
Canada's Nicole Gosling defends against Russia's Kristi Shashkina.
photo: Steve Kingsman / HHOF-IIHF Images
share
Russia battled back from 0-2 to give defending champion Canada a real scare in an entertaining opening game of the World Women’s U18 Championship in Bratislava. Despite struggling at times in the first period, the Russians refused to allow Canada to run away with the game. And the third period saw a big fightback as goals from Veronika Korzhakova and Kristi Shashkina tied the game at 2-2 and took us into overtime.

In the extras, the Russians had a big chance to win it when Korzhakova got the puck right in front of the net, but after Eve Gascon made the save, play broke to the other end. London Devilettes defenceman Nicole Gosling got into space on the left and duly converted a Jenna Buglioni cross-ice feed to give Canada the verdict.

"I just managed to see the opening and knew that I had to get into the rush," Gosling said of her winning goal. "I came right off the bench and decided I would go for it. I made the call and got the puck and now we're one step closer to our end goal."

Two years ago in Dmitrov these two teams met in the tournament opener and Russia enjoyed an historic 3-2 victory – it’s first ever against Canada at any level of women’s hockey. For the players in this year’s squad who were part of that triumph, it made a big impression. Polina Luchnikova was in bullish mood prior to the game, telling the Russian Hockey Federation website: “The Canadians wear different colour jerseys, and that’s all. Apart from that there’s no difference between them and us, and certainly they are no better.”

In the early stages, though, Canada certainly looked better. Howie Draper’s girls dominated the first period and got a deserved lead after 19 minutes.

It started behind the Canadian net, where Maya Labad retrieved the puck from a scrum of players. She brought play into centre ice before finding her John Abbott College team mate Ann-Frederik Naud on the halfway line. The 17-year-old, back at this tournament for a second year after winning gold in Japan 12 months ago, advanced into the Russian zone, found a shooting lane beyond the Russian D and placed a low shot beyond Anna Alpatova’s outstretched skate.

Canada deserved its lead; Russia was unable to get a shot on Eve Gascon’s net in the opening frame despite its hard work in slowing Canada’s offence. The Russians did get an uninterrupted two-minute power play after 15 minutes, prompting chants of ‘ROS-SI-YA!’ from the crowd, but the offence faltered in the face of a disciplined Canadian penalty kill and failed to threaten the goal.

The defending champion doubled its advantage early in the second period when Labad added to her assist with a goal of her own. Collecting a Maddi Wheeler pass, she found space on the inside of the circle and lifted a shot beyond Alpatova’s reach.

It was Labad's first international appearance, and she admitted to some nerves before the game. "It's a bit of a stressful thing to step onto the ice for the first time in this jersey but the nerves settled after a bit," she said. "I think we did a good job in OT; we had the momentum and we knew we could get it done so it was a really good positive energy on our bench."

That stirred Russia into life, and there was far more attacking intent than seen in the opening session. Two power play chances shortly after the second Canadian goal tipped the momentum of the game towards the Russians at last. The first achieved little in terms of scoring chances, but the second brought Gascon into the game at last. Korzhakova ruffled defensive feathers as she chased down the rebound from a point shot and sparked a scramble on the crease. Then, in Russia’s best play of the game, Ilona Markova burst down the right, got inside the defence and homed in on goal only to be denied by Gascon’s pads from close range. Markova, 17, is back for her third appearance in WW18 play; she made her debut at this level in that Dmitrov tournament.

Here, Russia was growing in belief and Shashkina finally gave her team a lifeline midway through the third period. Her solo run ended with play forced behind the net, but Korzhakova and Luchnikova combined to get the puck into the net and put Russia on the scoreboard at last.

"The first period was a failure," Shashkina lamented after the game. "If we had started the game like we played in the second and third period, the result could have been very different. I think we would have won it."

And the 16-year-old SKIF Nizhny Novgorod forward tied the game three minutes later when she took a Korzhakova feed and wired a wrister to the top shelf from the top of the right-hand circle. Canada’s hopes of a comfortable start to its title defence were shattered and the game was on its way to overtime. There was still one scare for Russia when Ashley Messier let fly from the face-off spot in the last minute and Alpatova did well to hold on in a melee in front of her net to make her 30th save of the game and secure a point for her team. However, the Tornado youngster was beaten for a third time when Gosling struck three minutes into the extras.
Canada vs. Russia - 2020 IIHF Ice Hockey U18 Women's World Championship 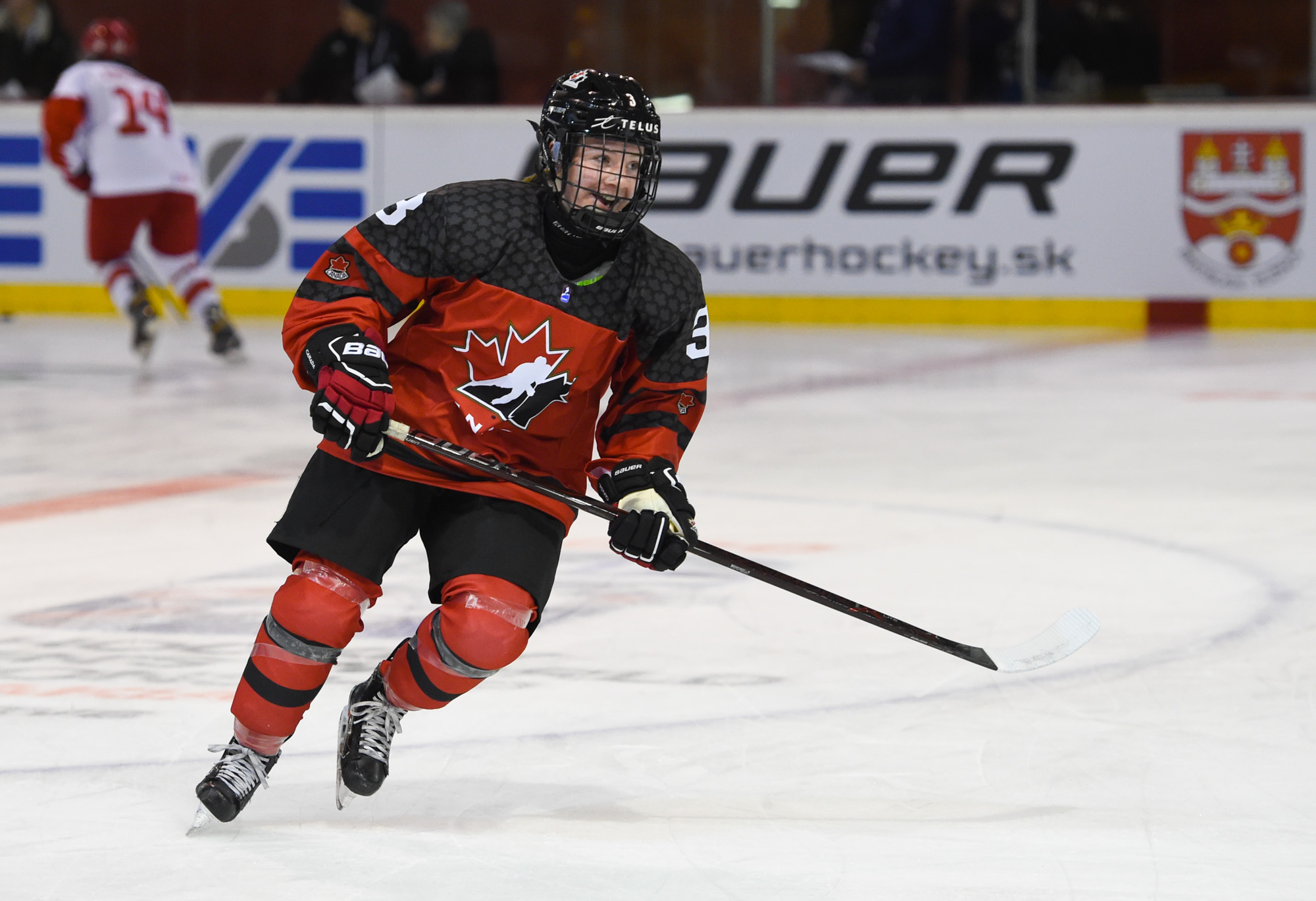 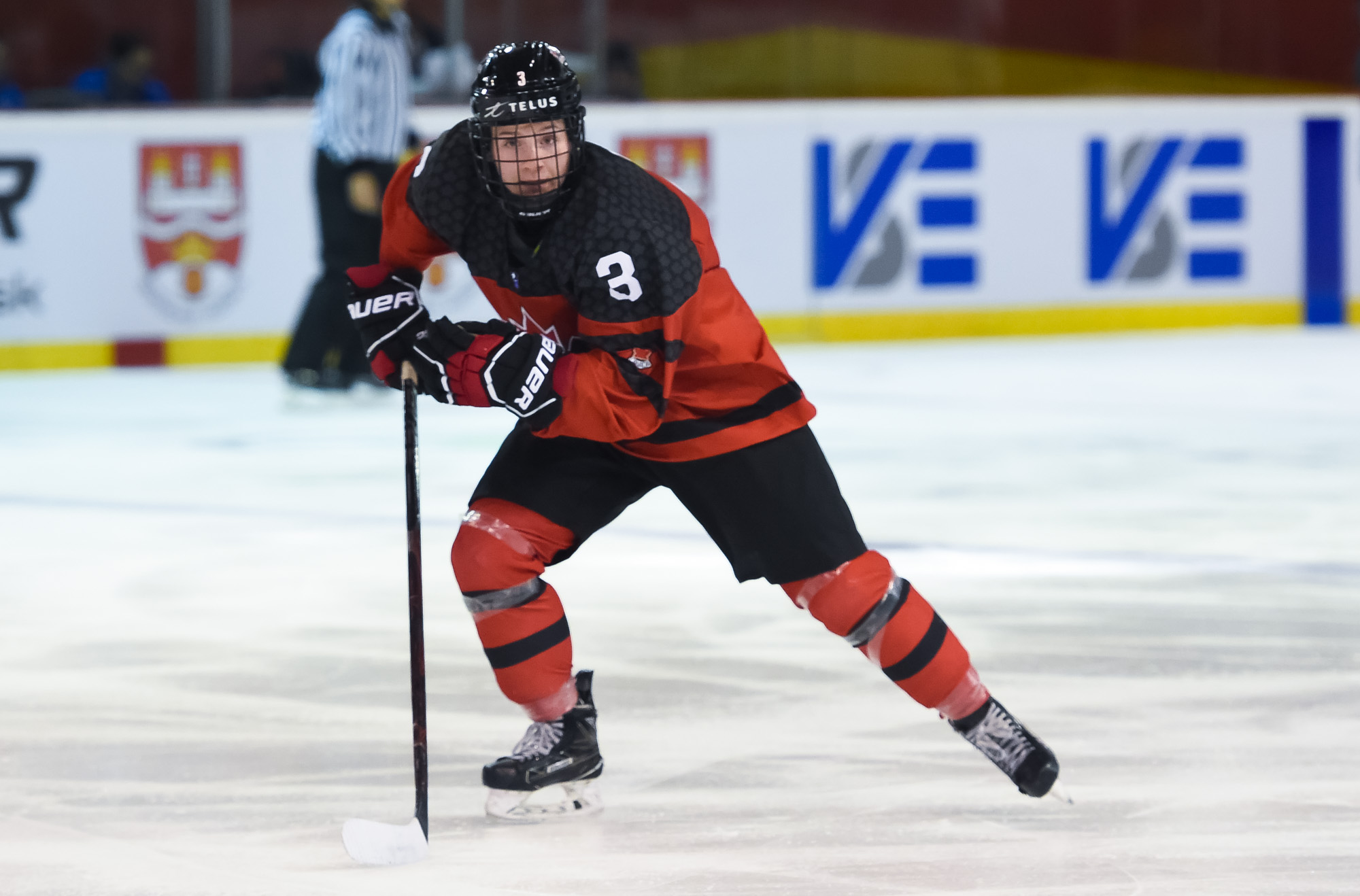 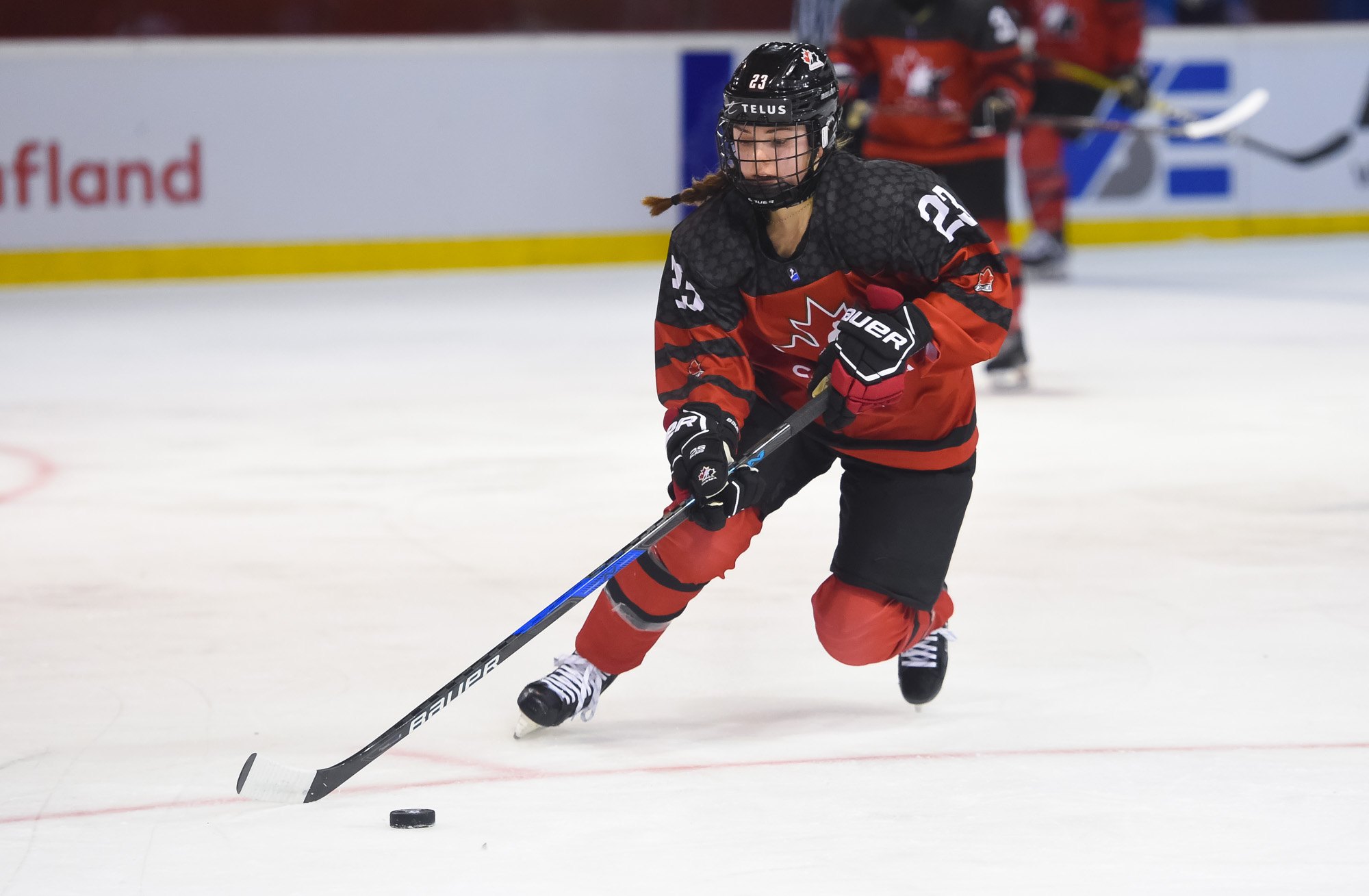 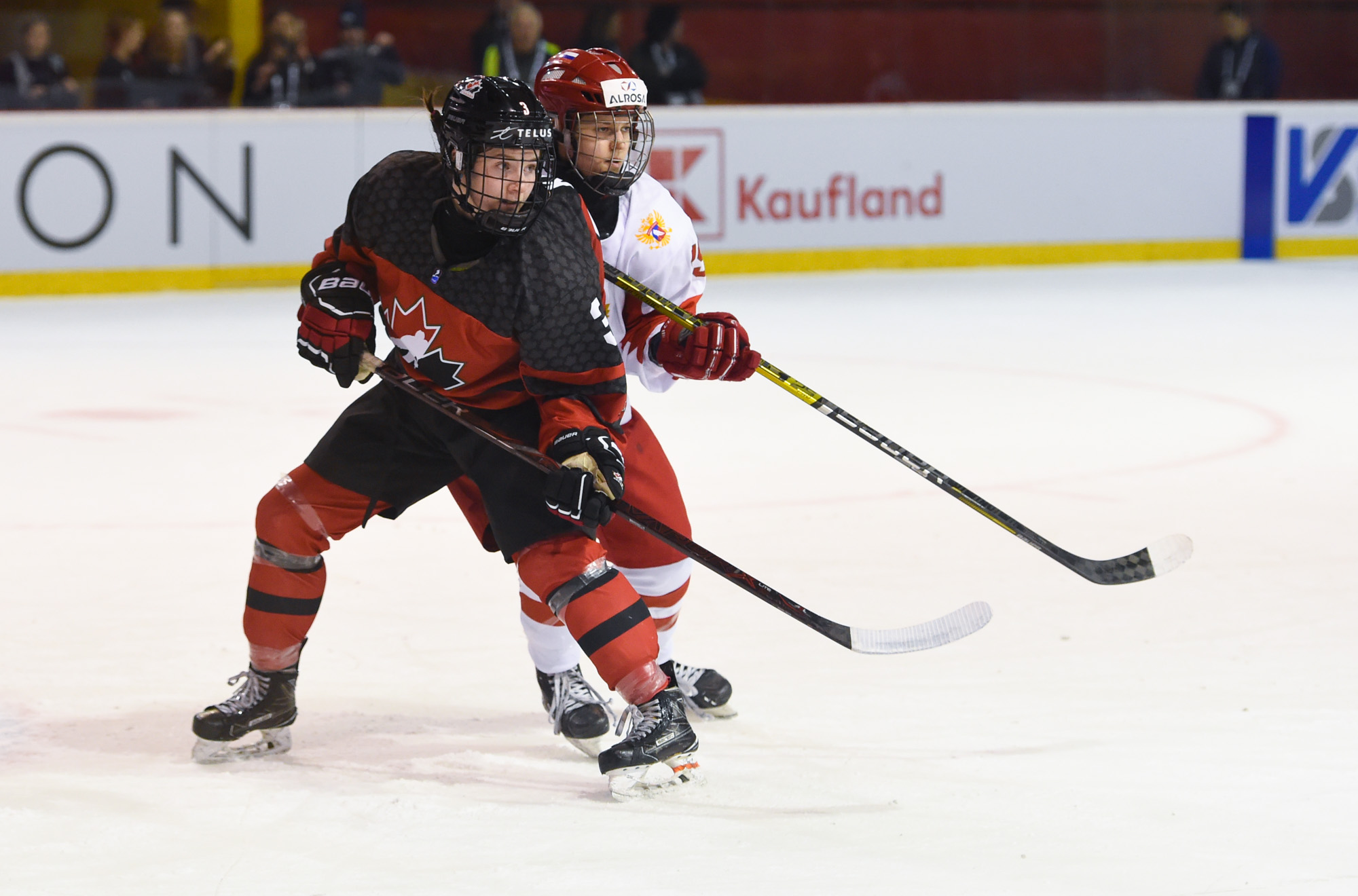 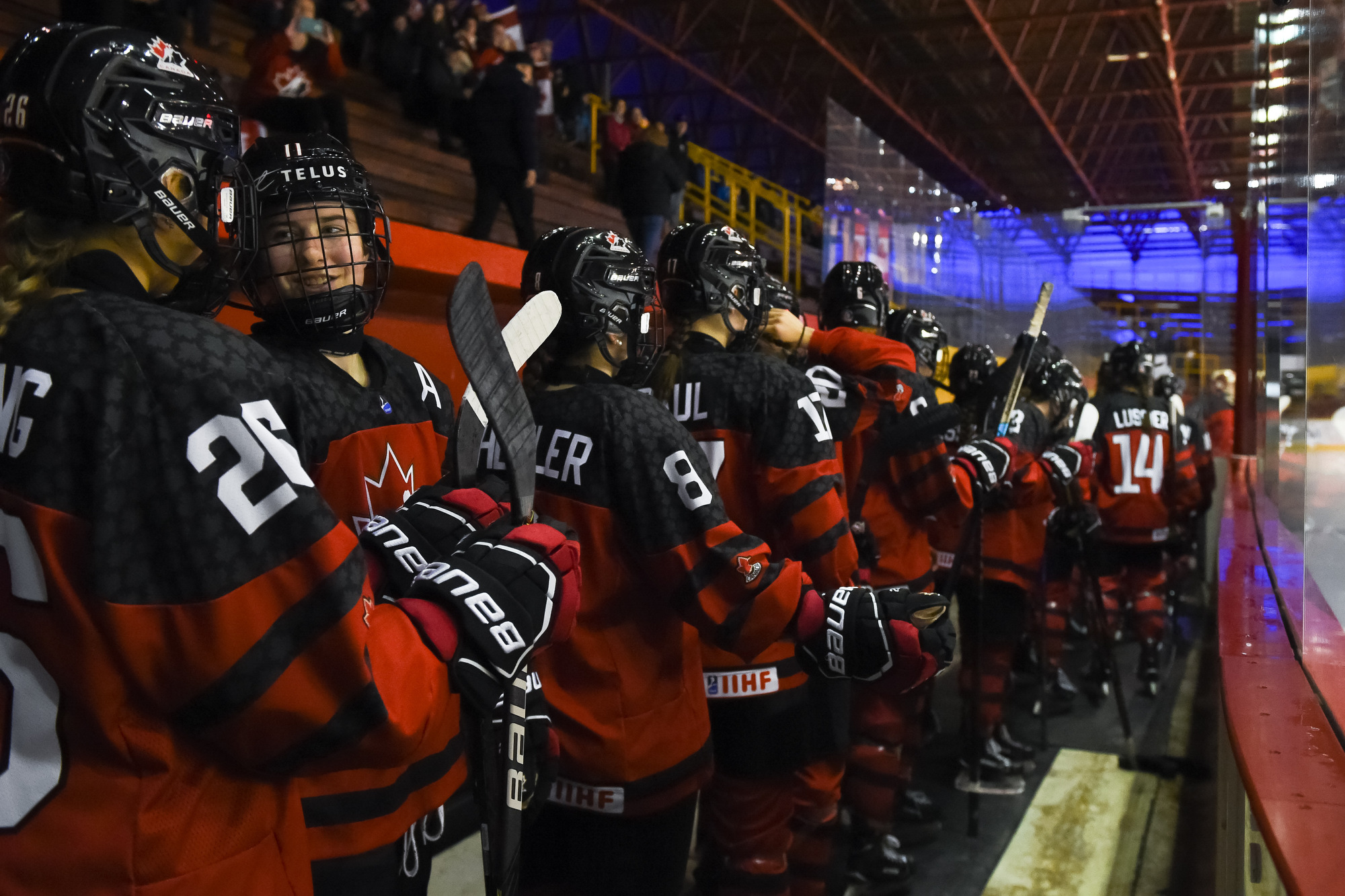 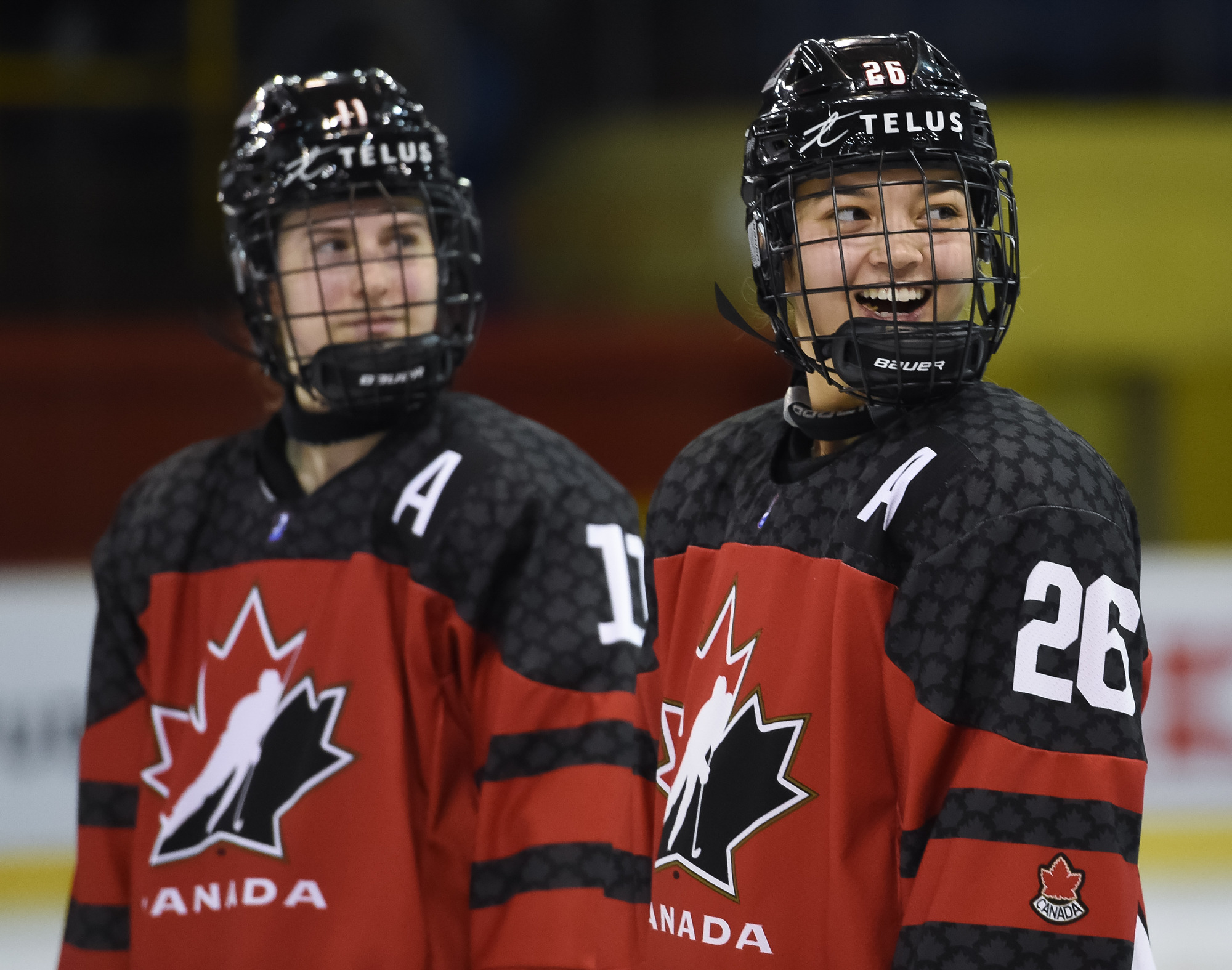 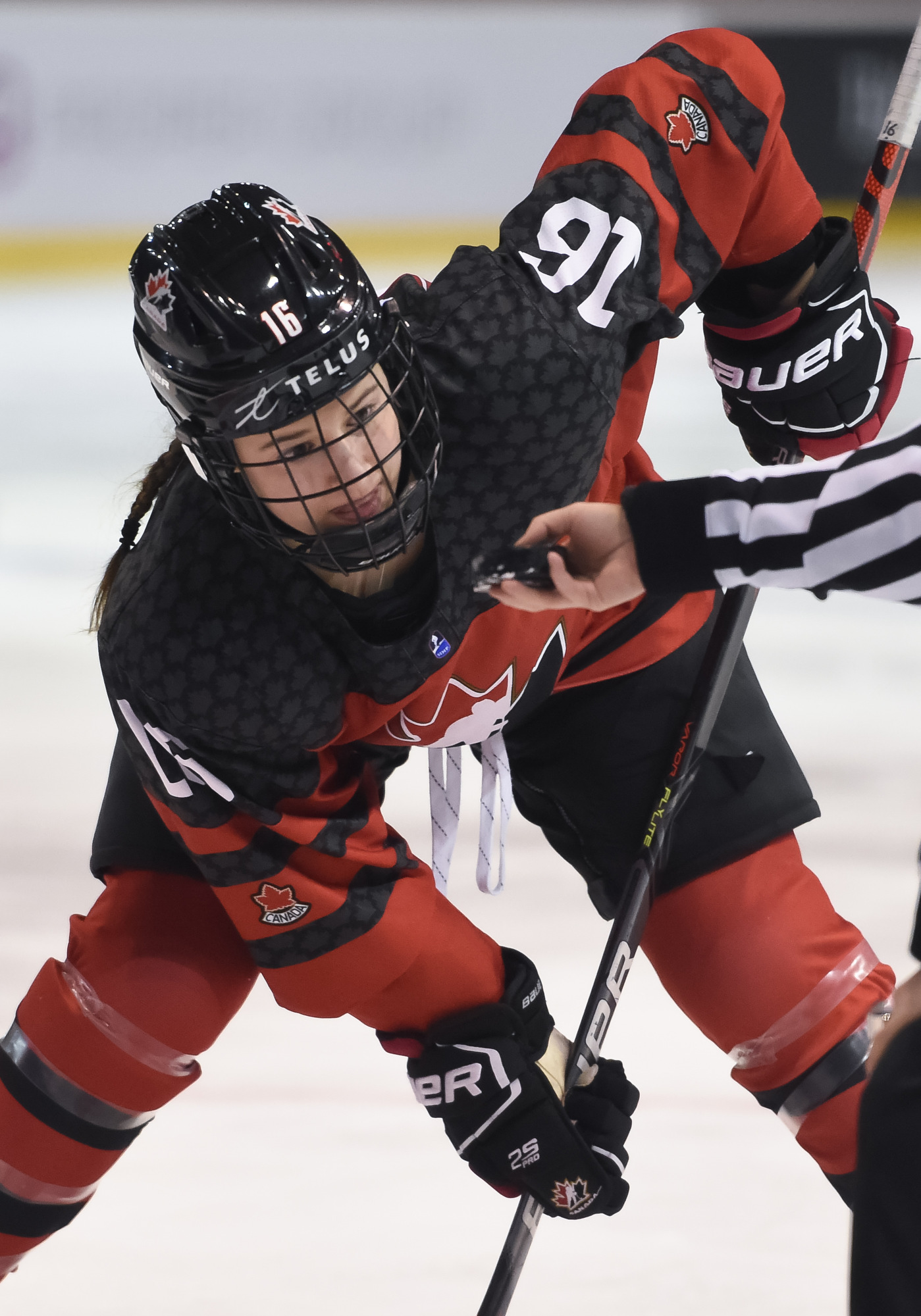 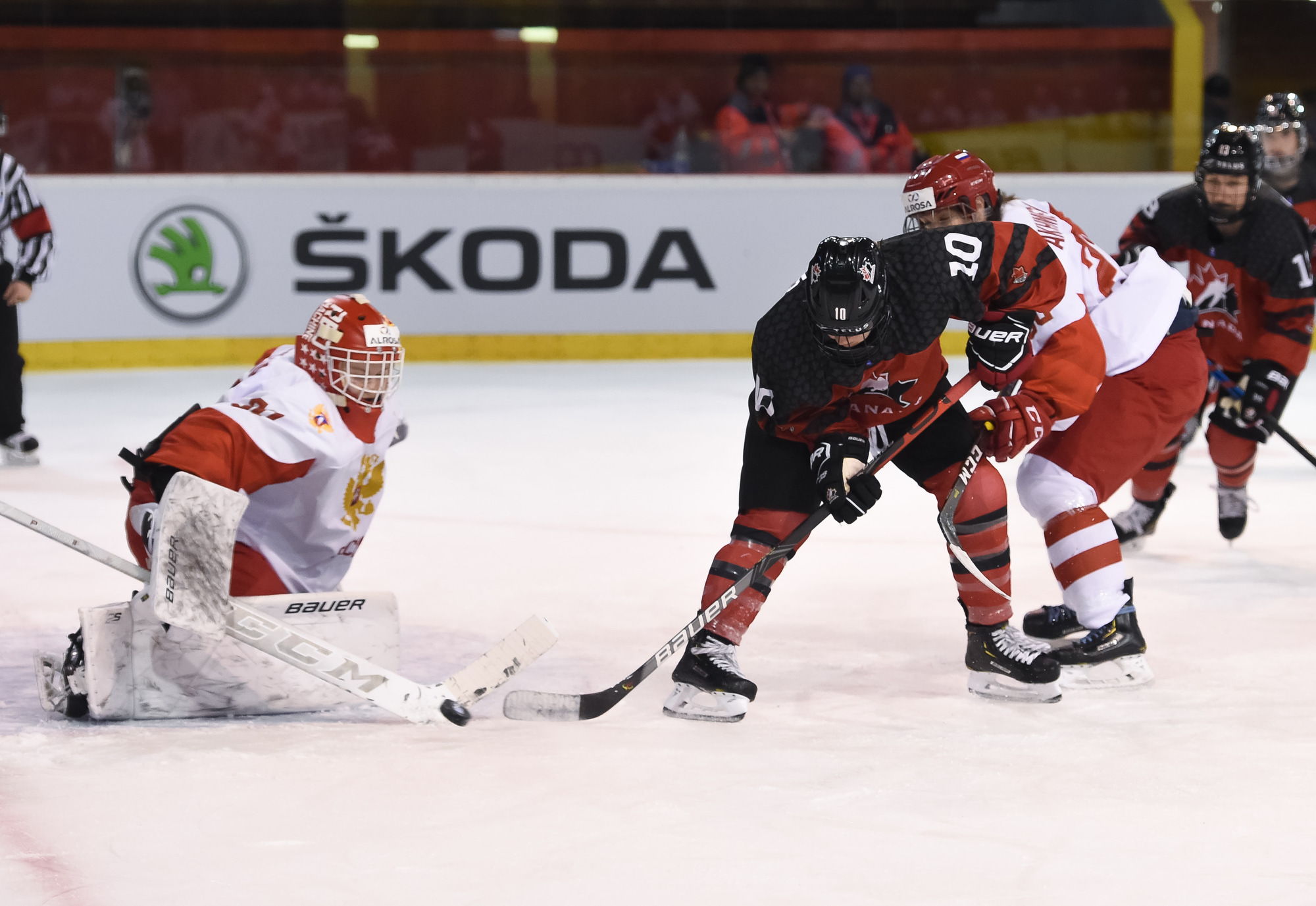 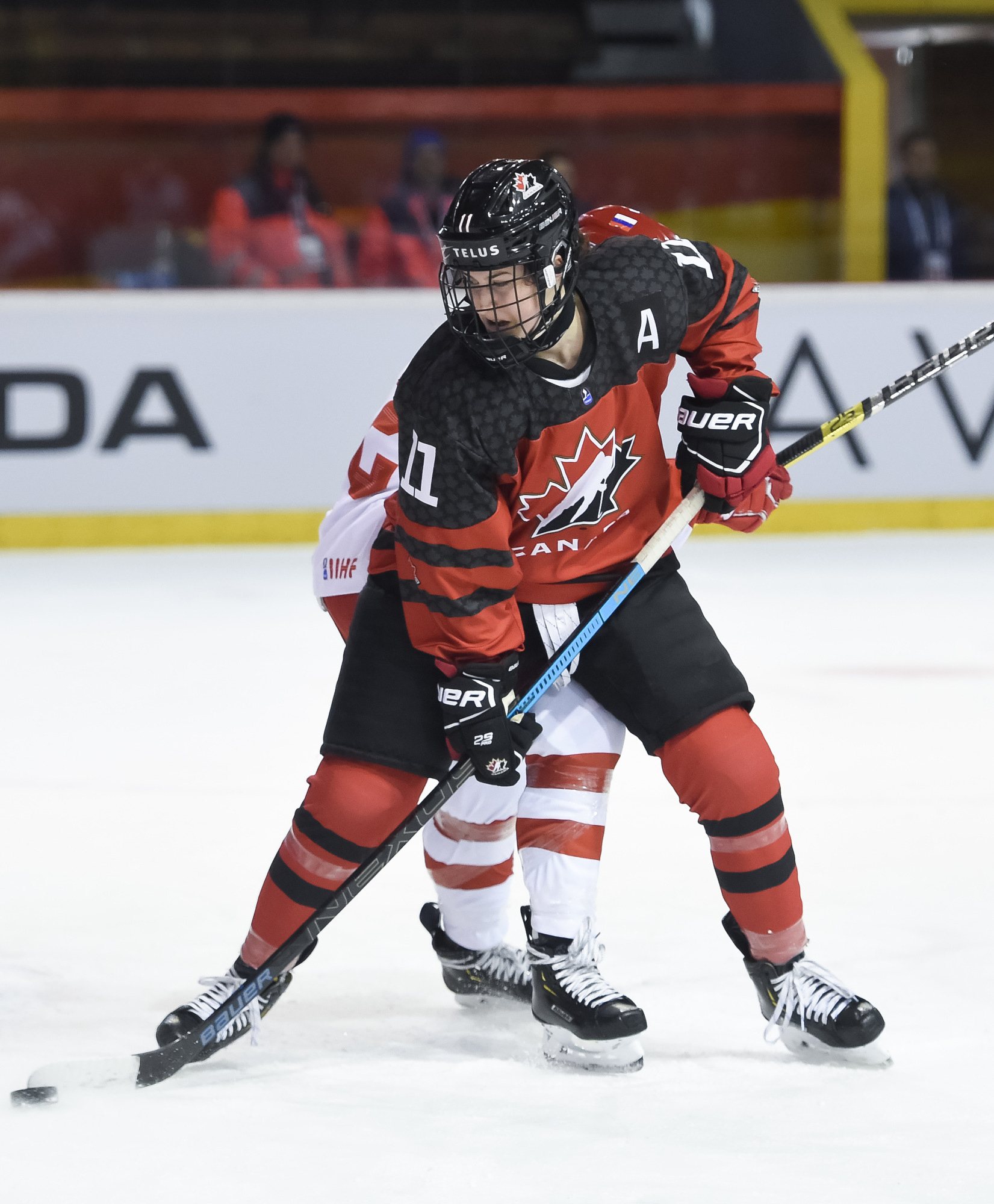 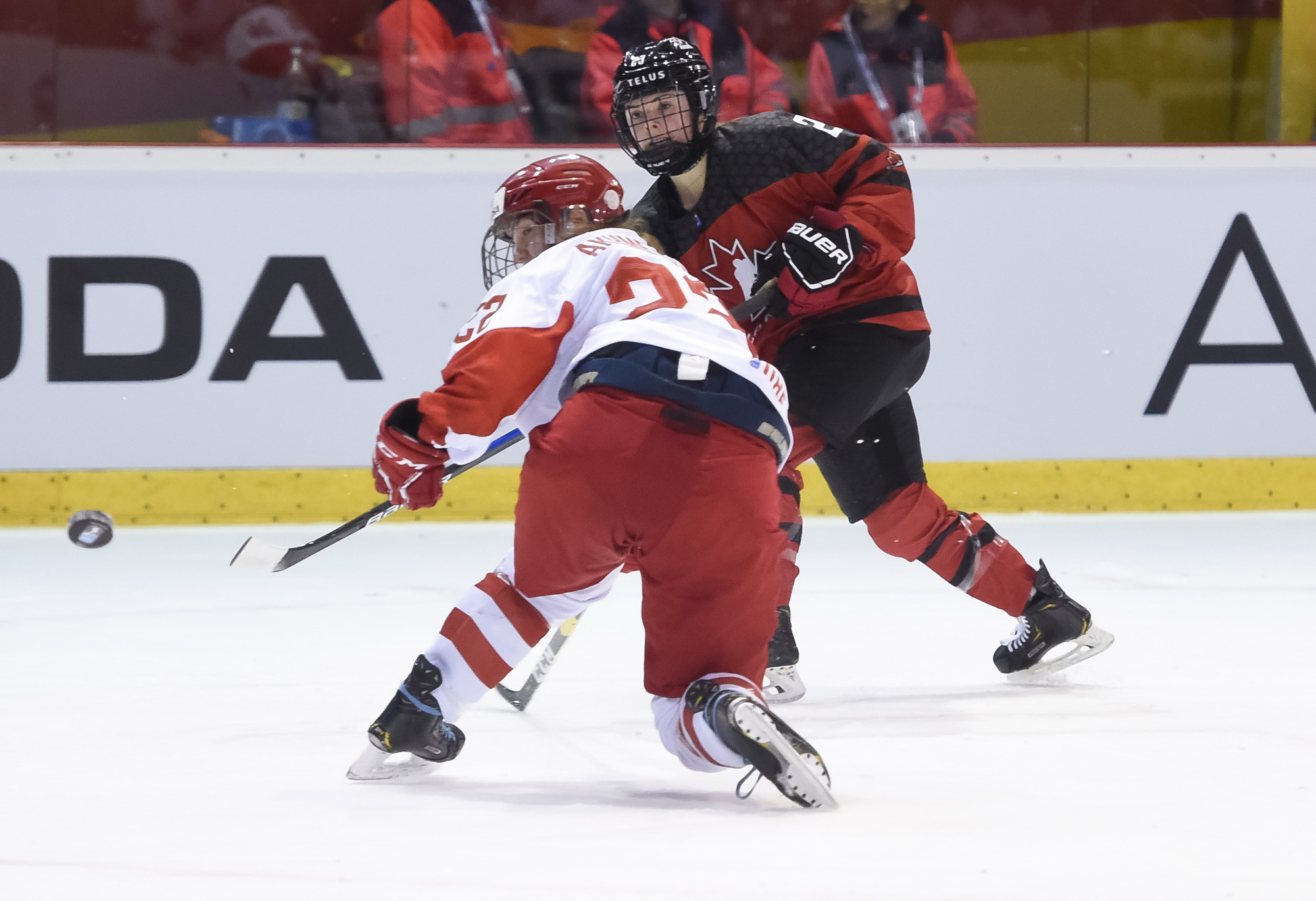 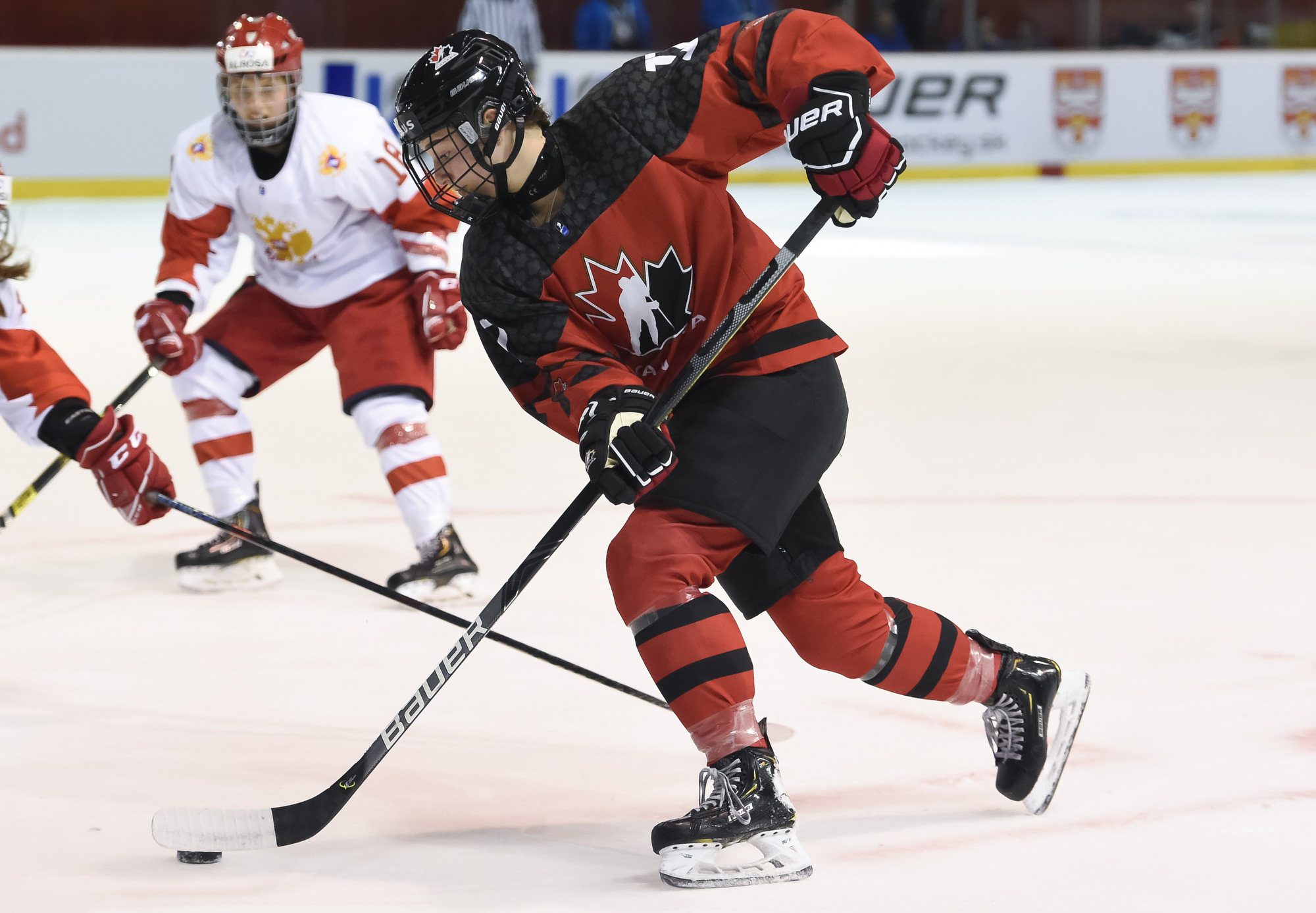 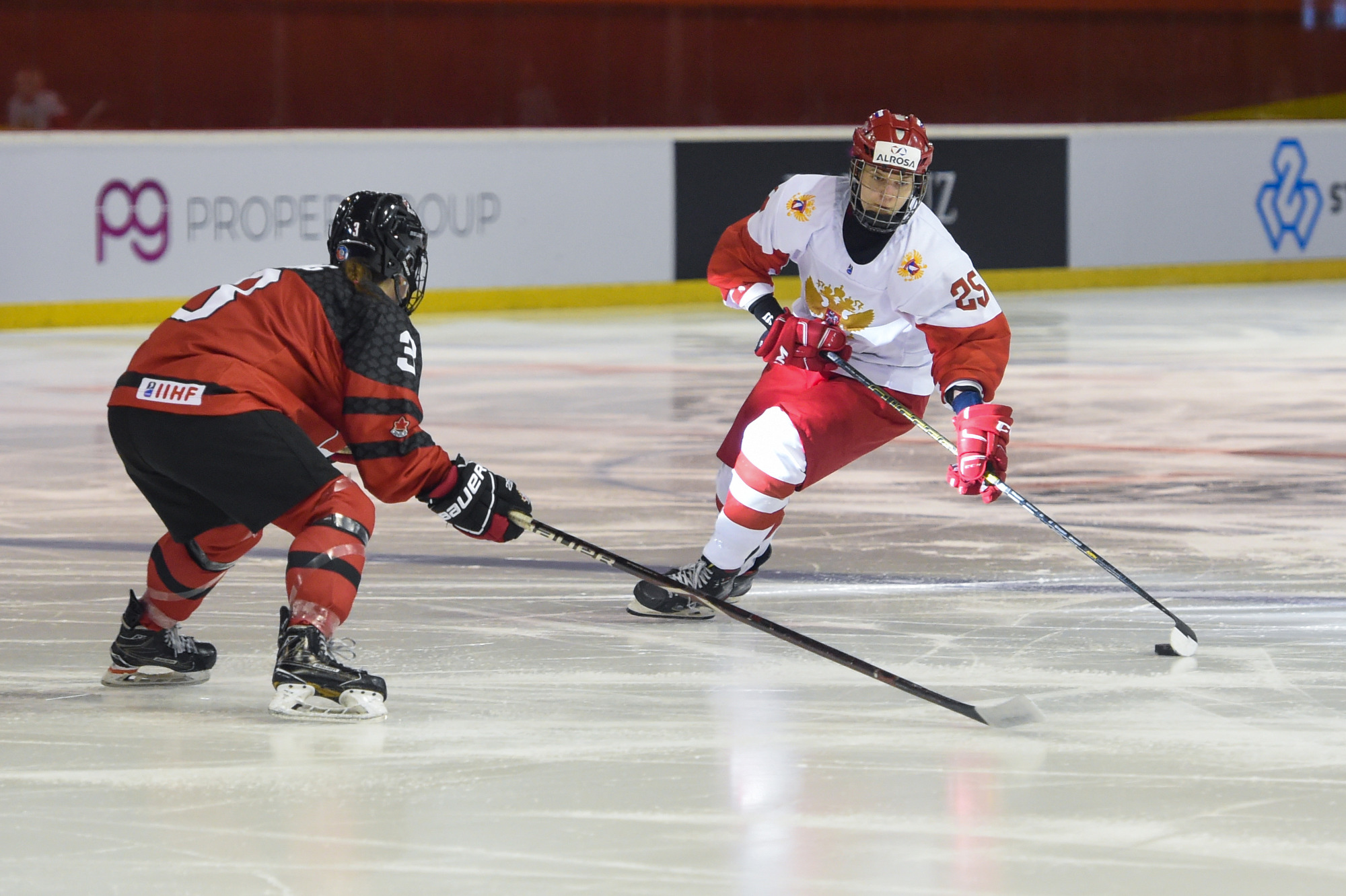 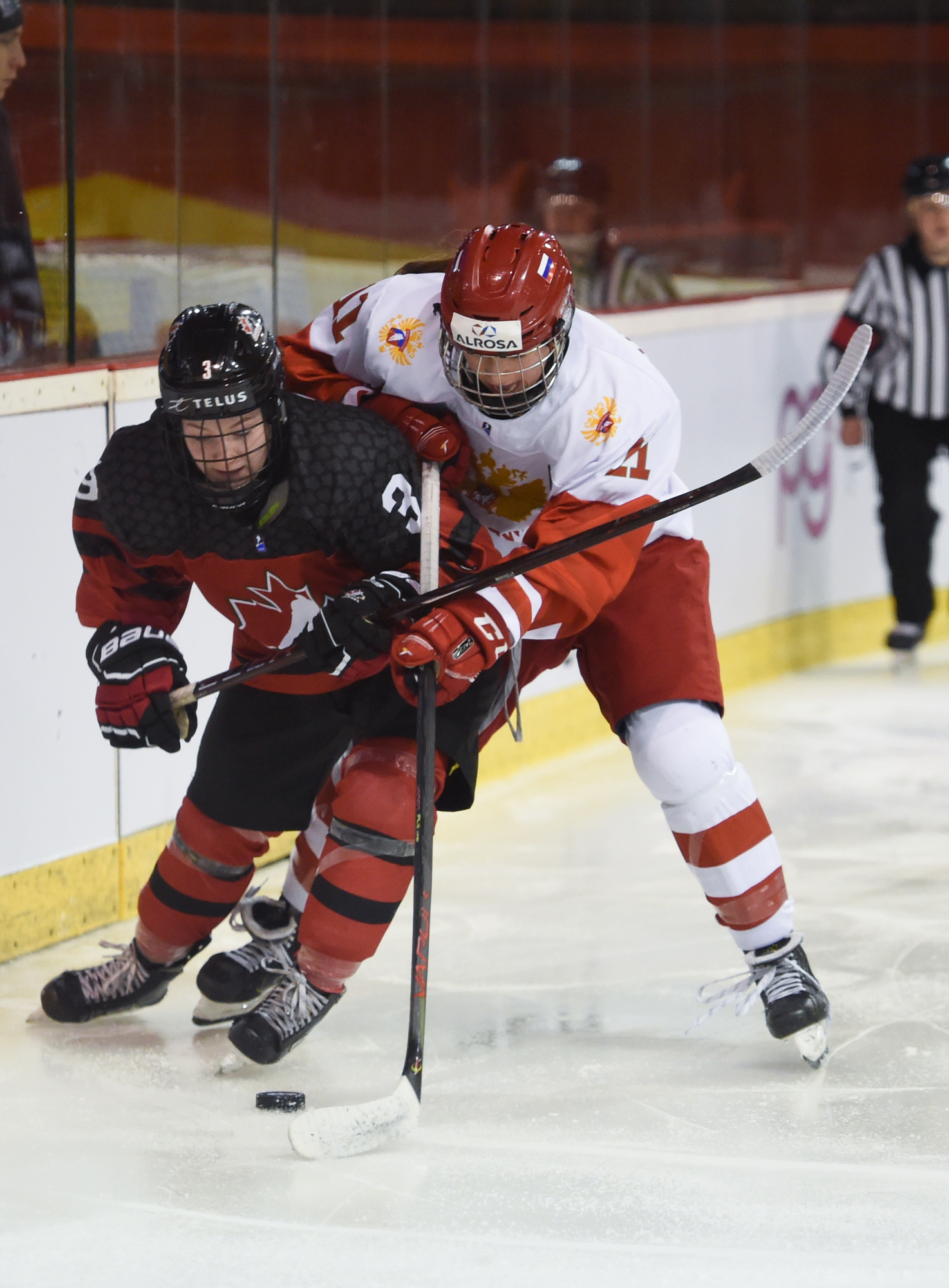 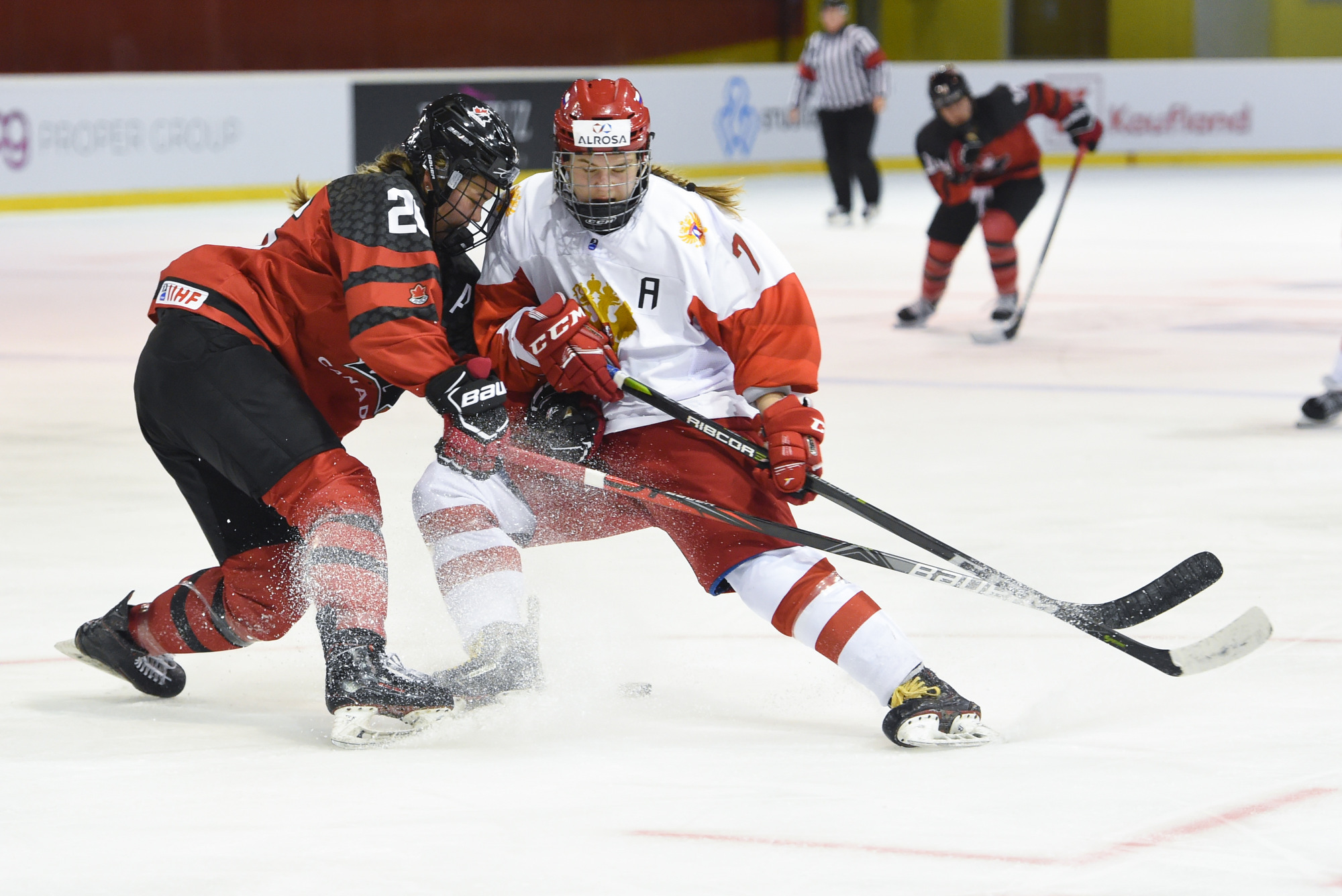 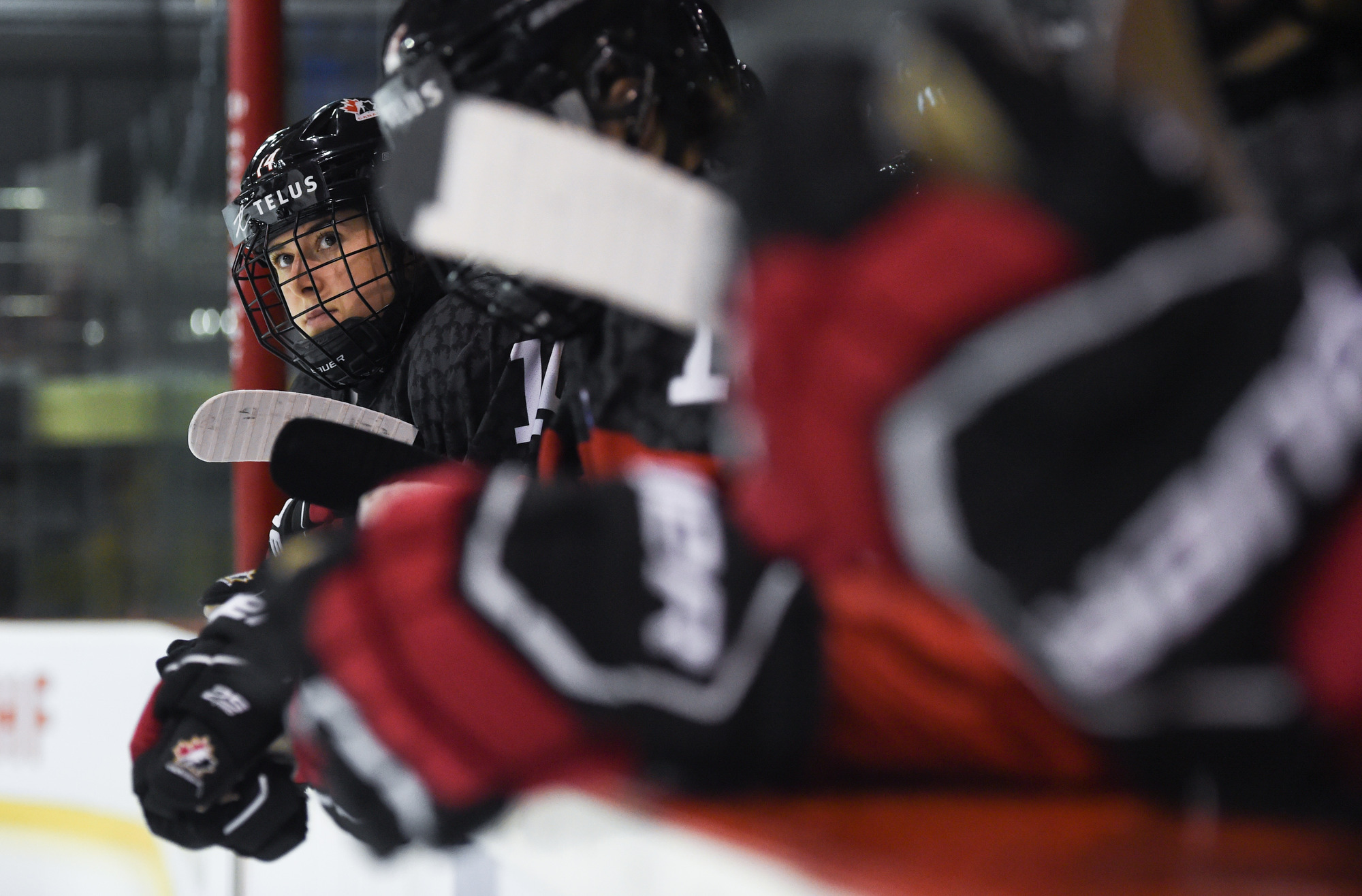 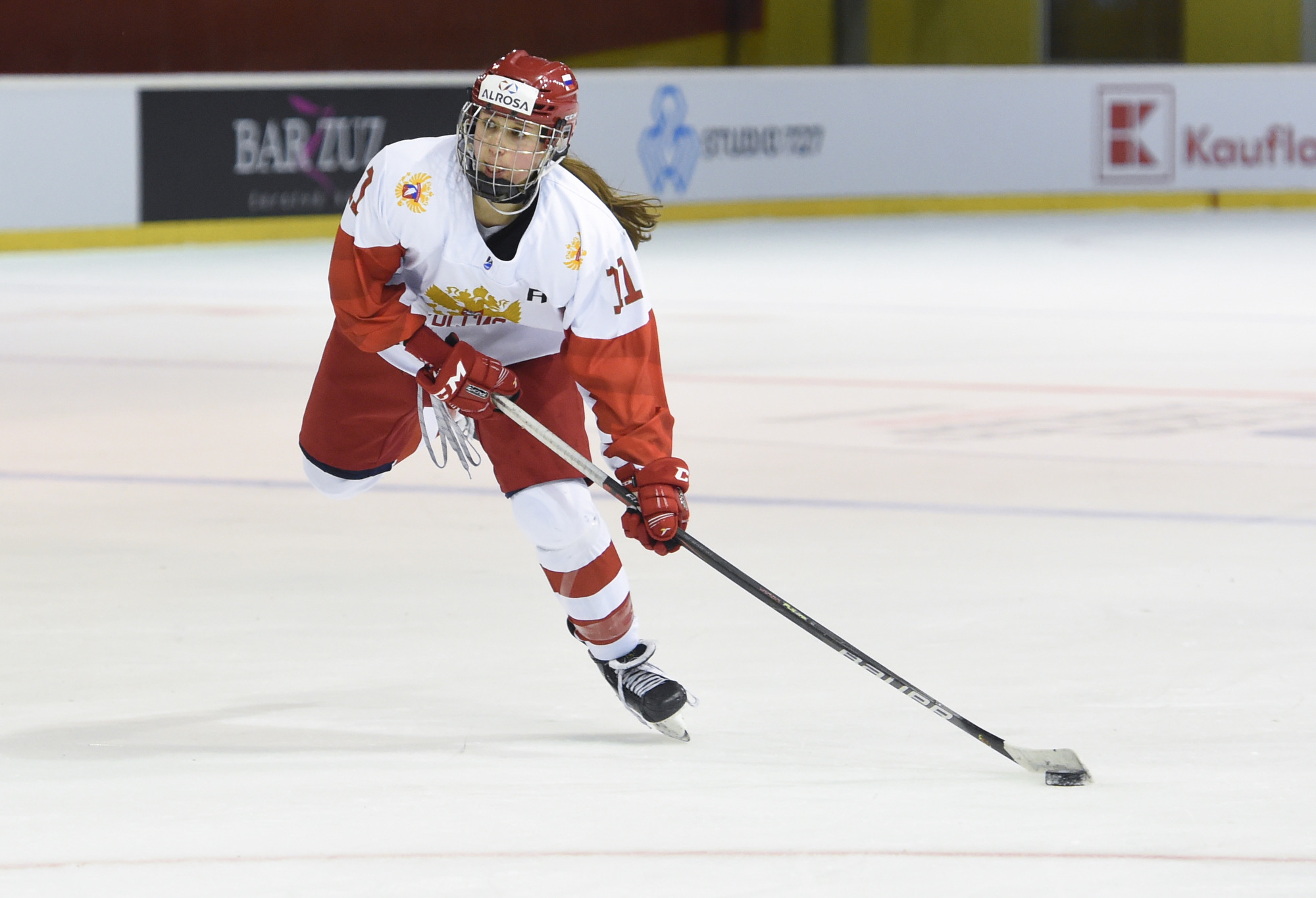 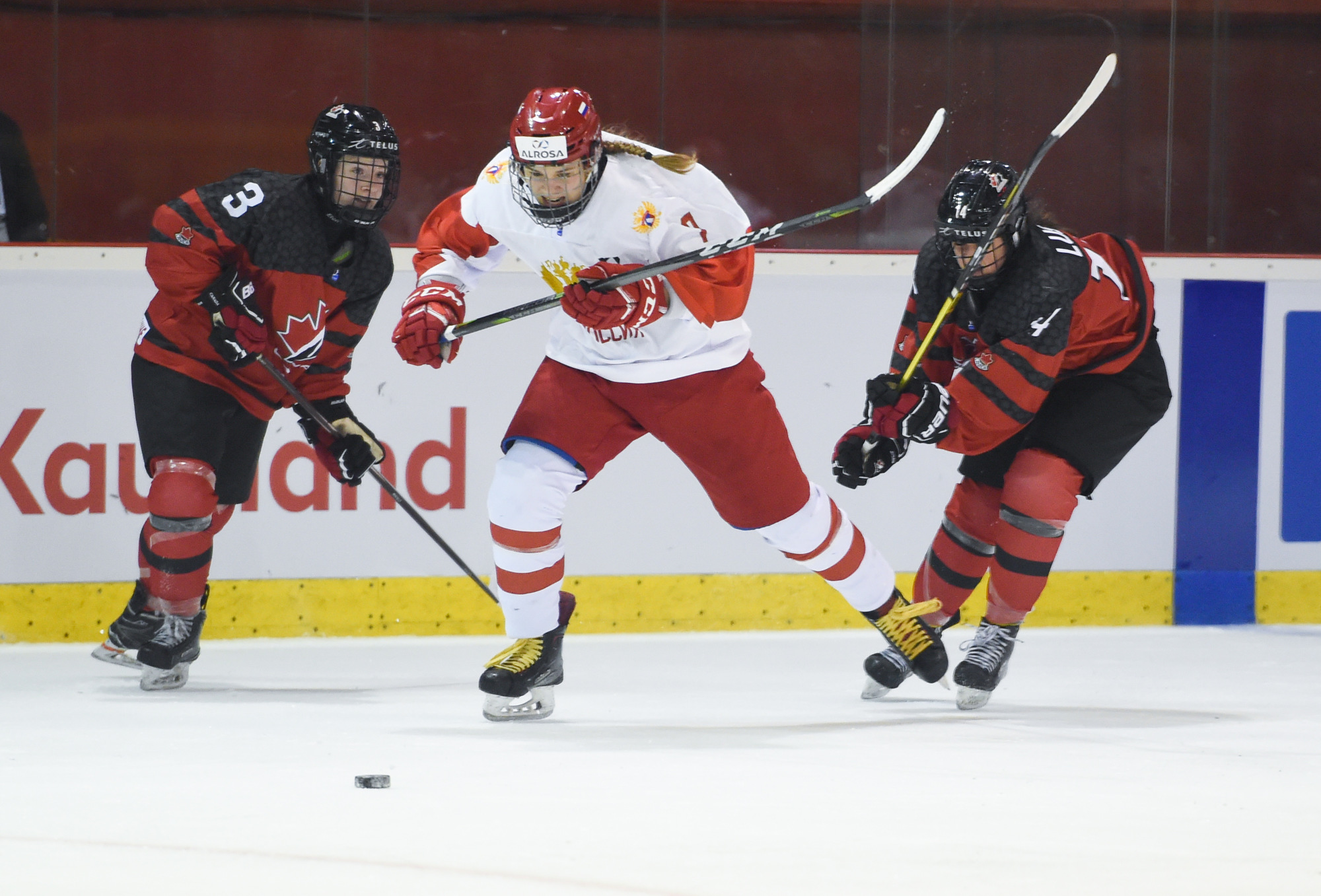 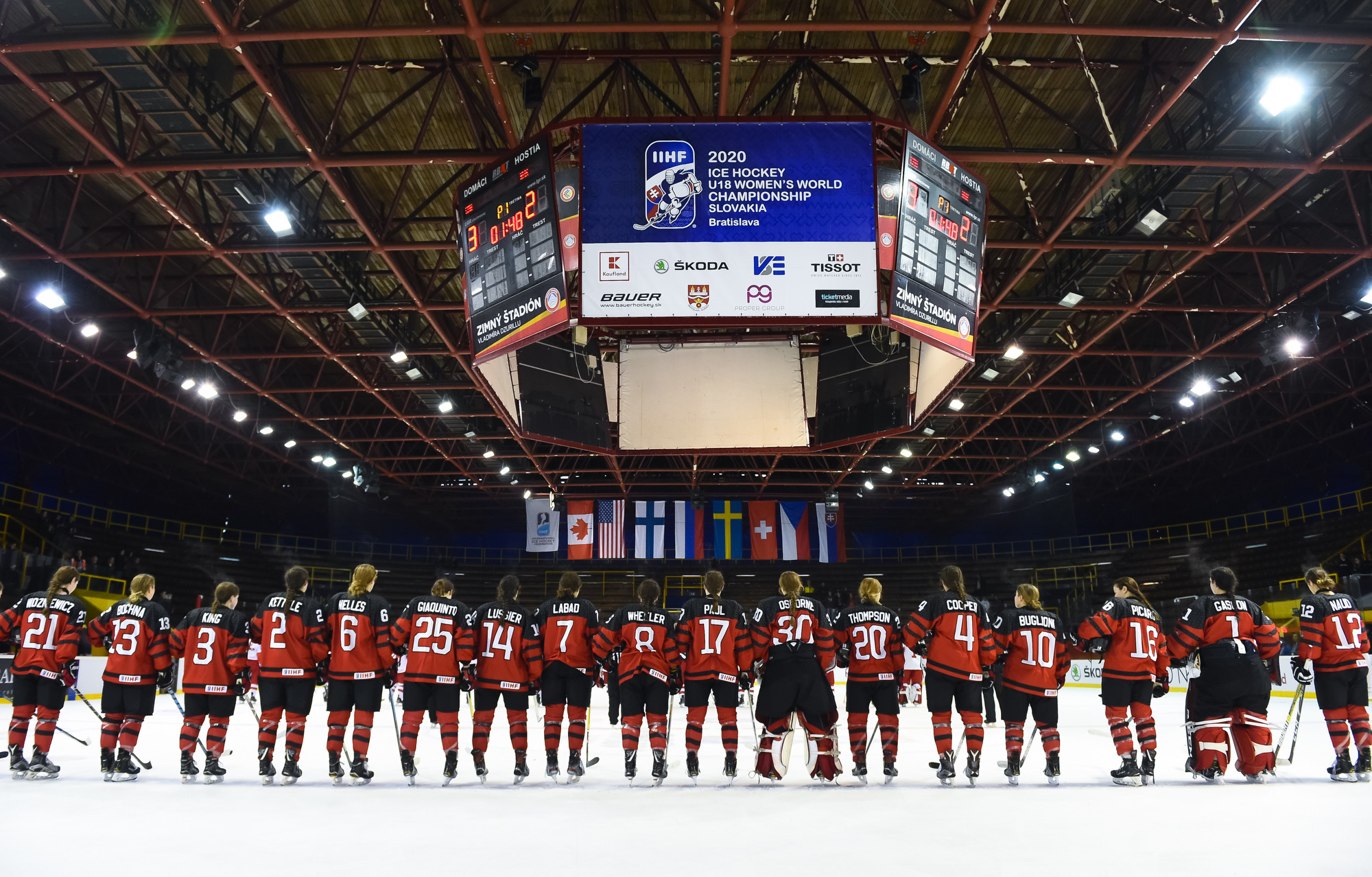 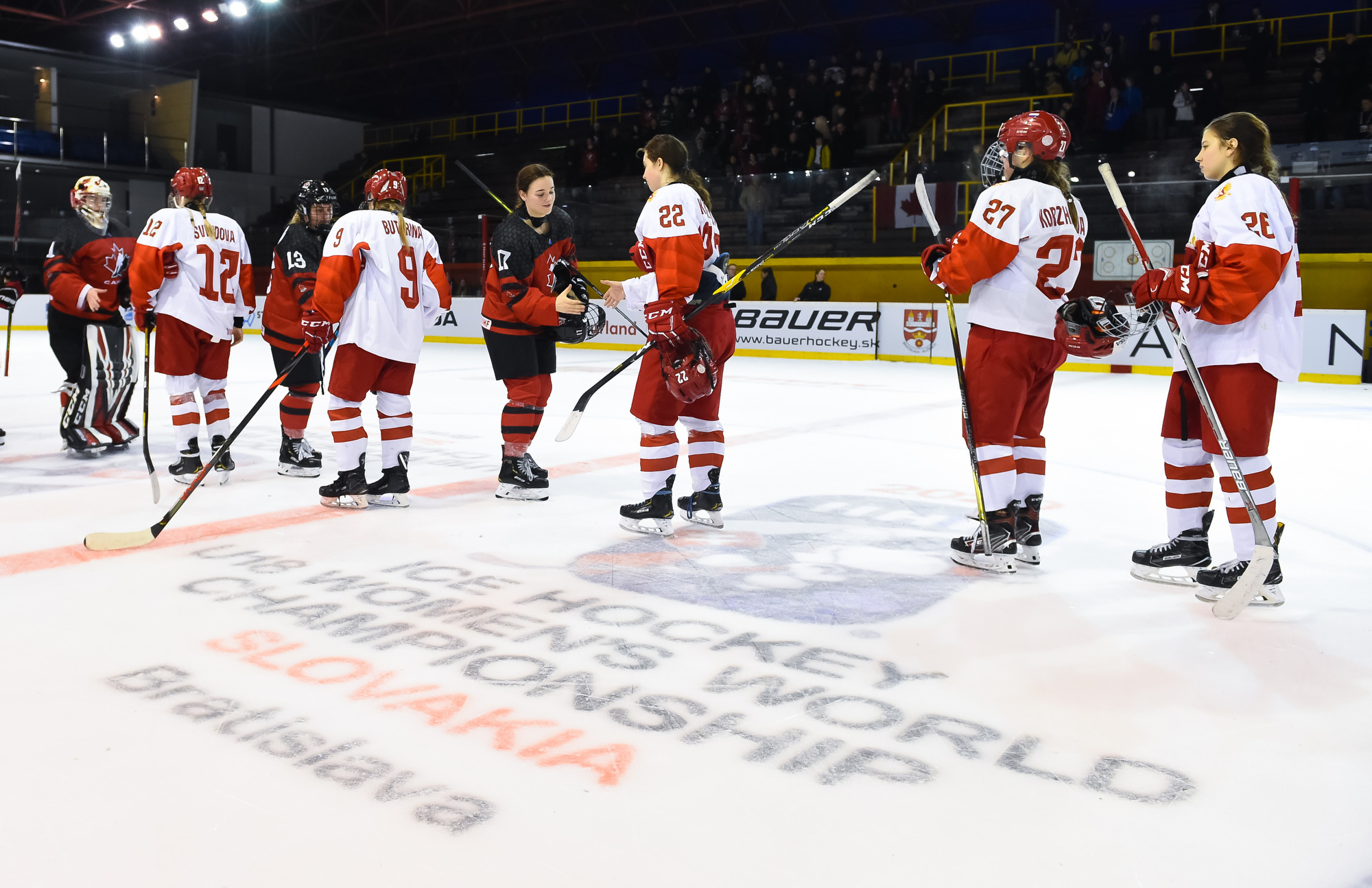 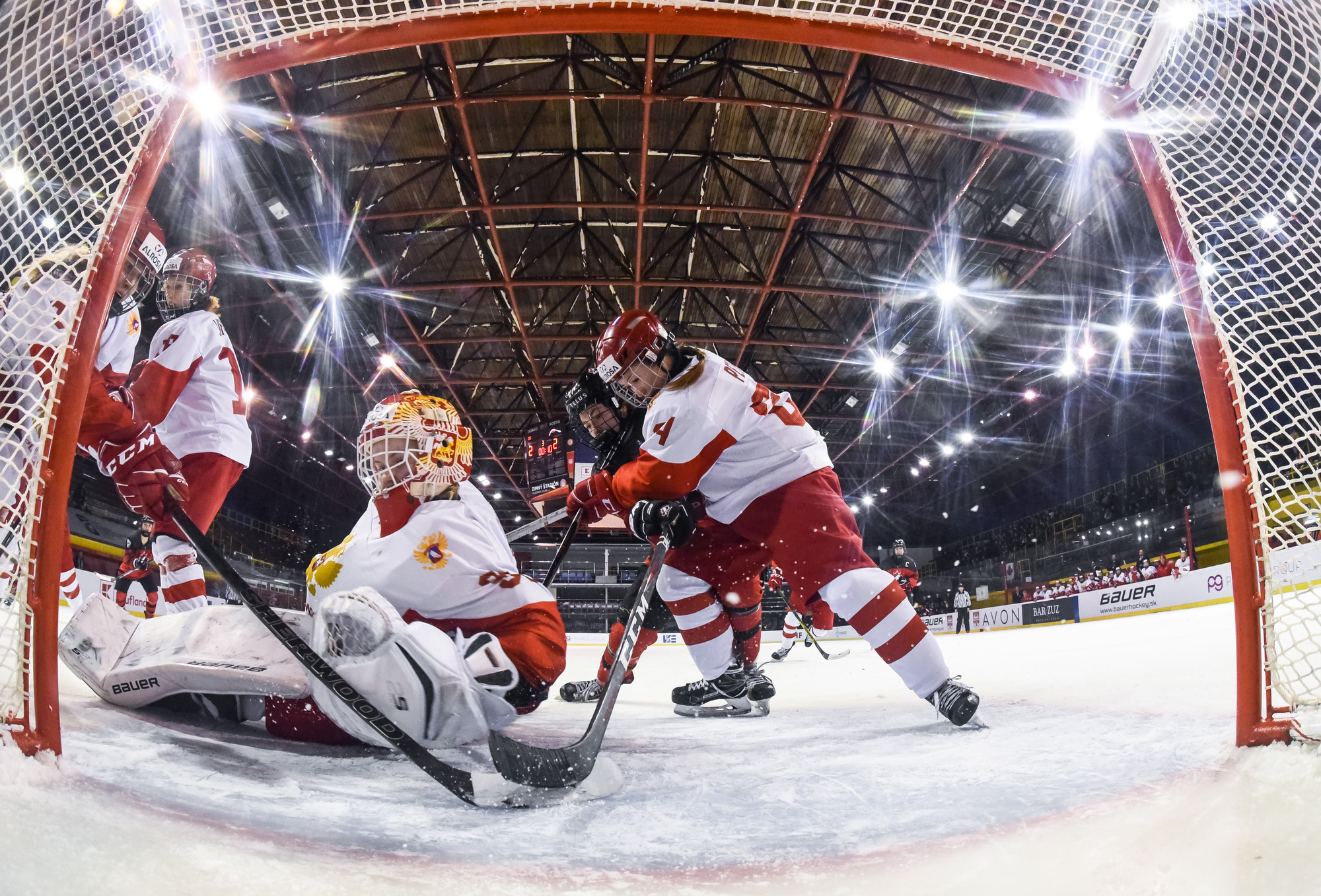 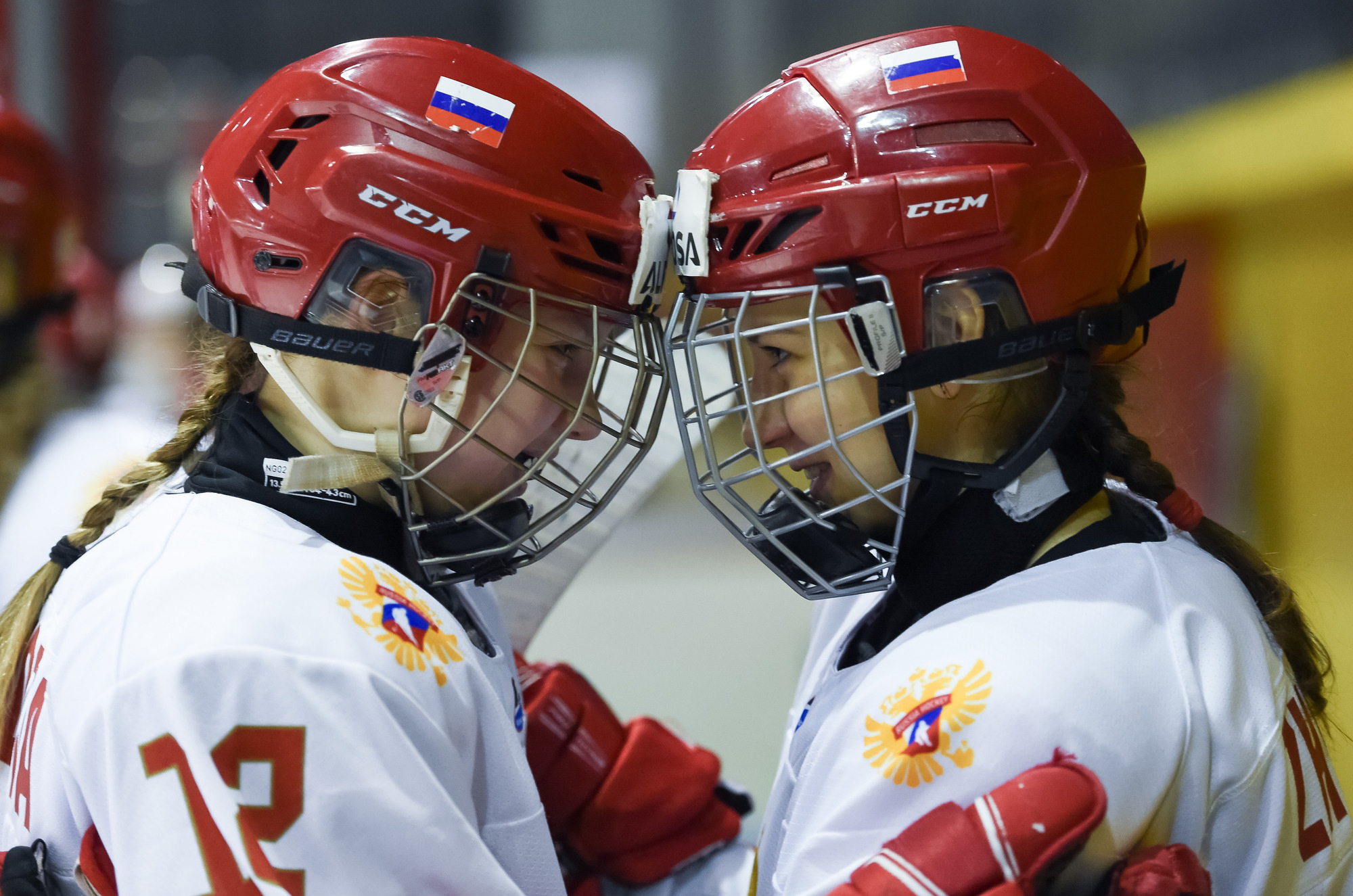 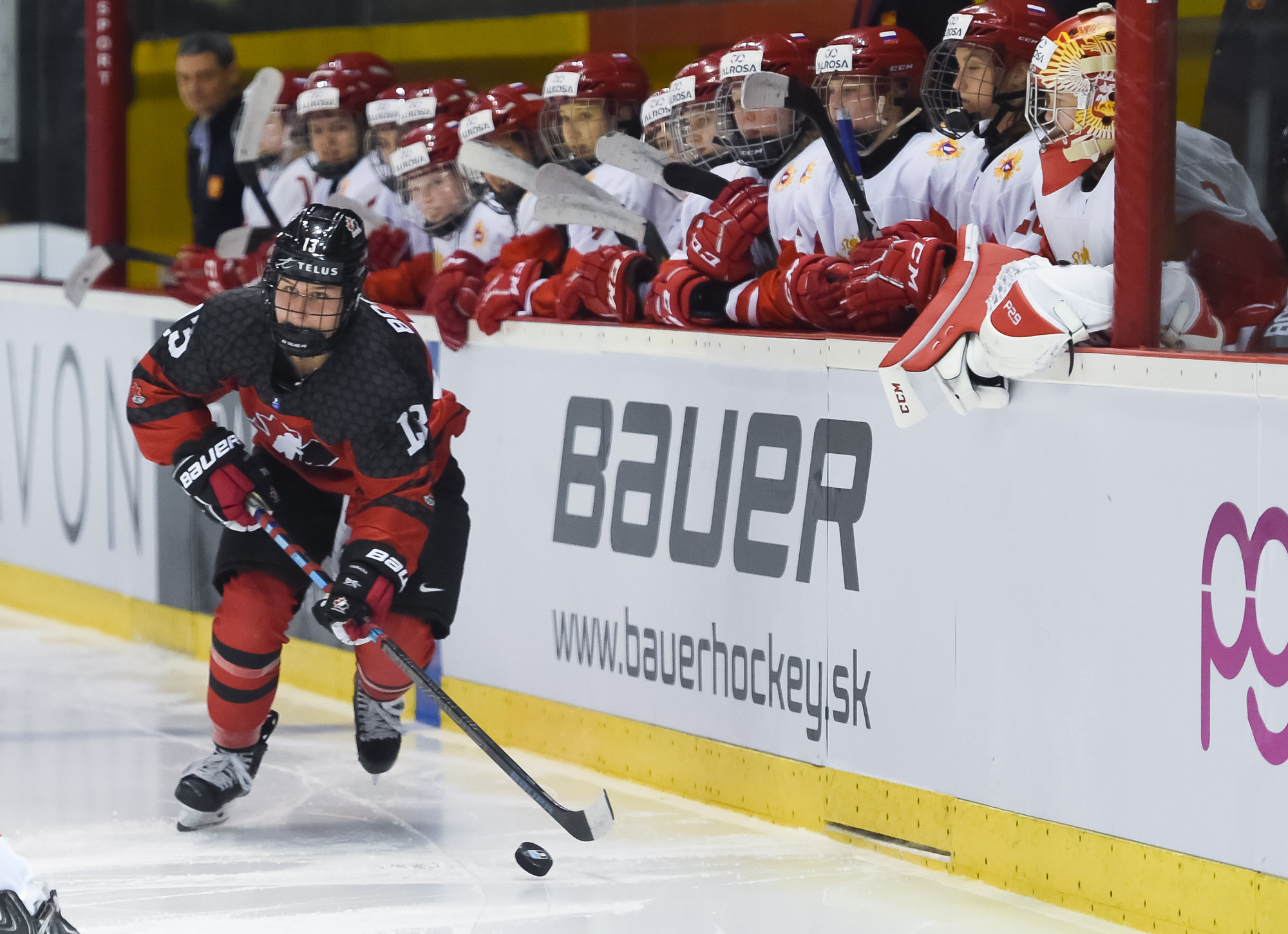 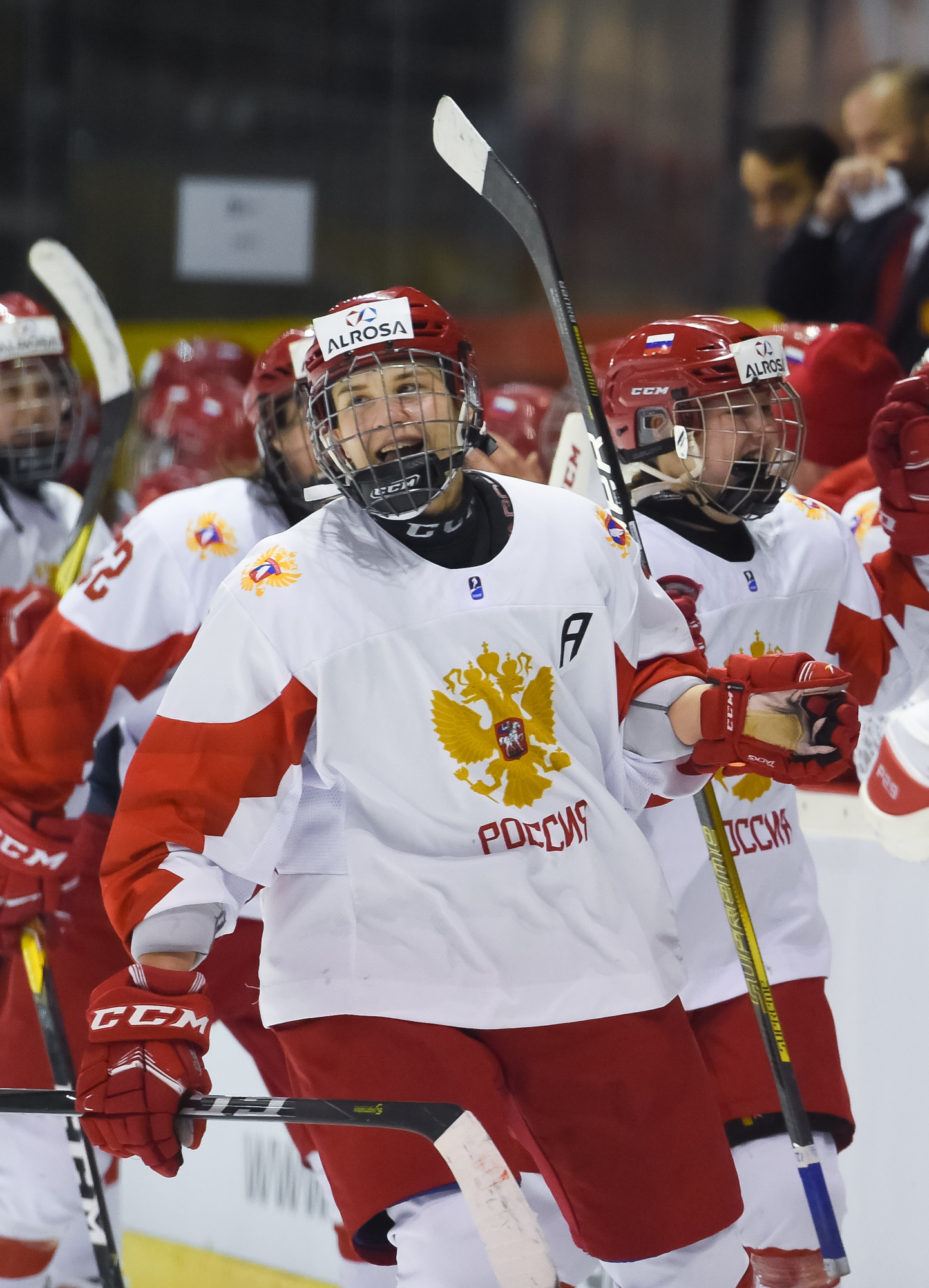 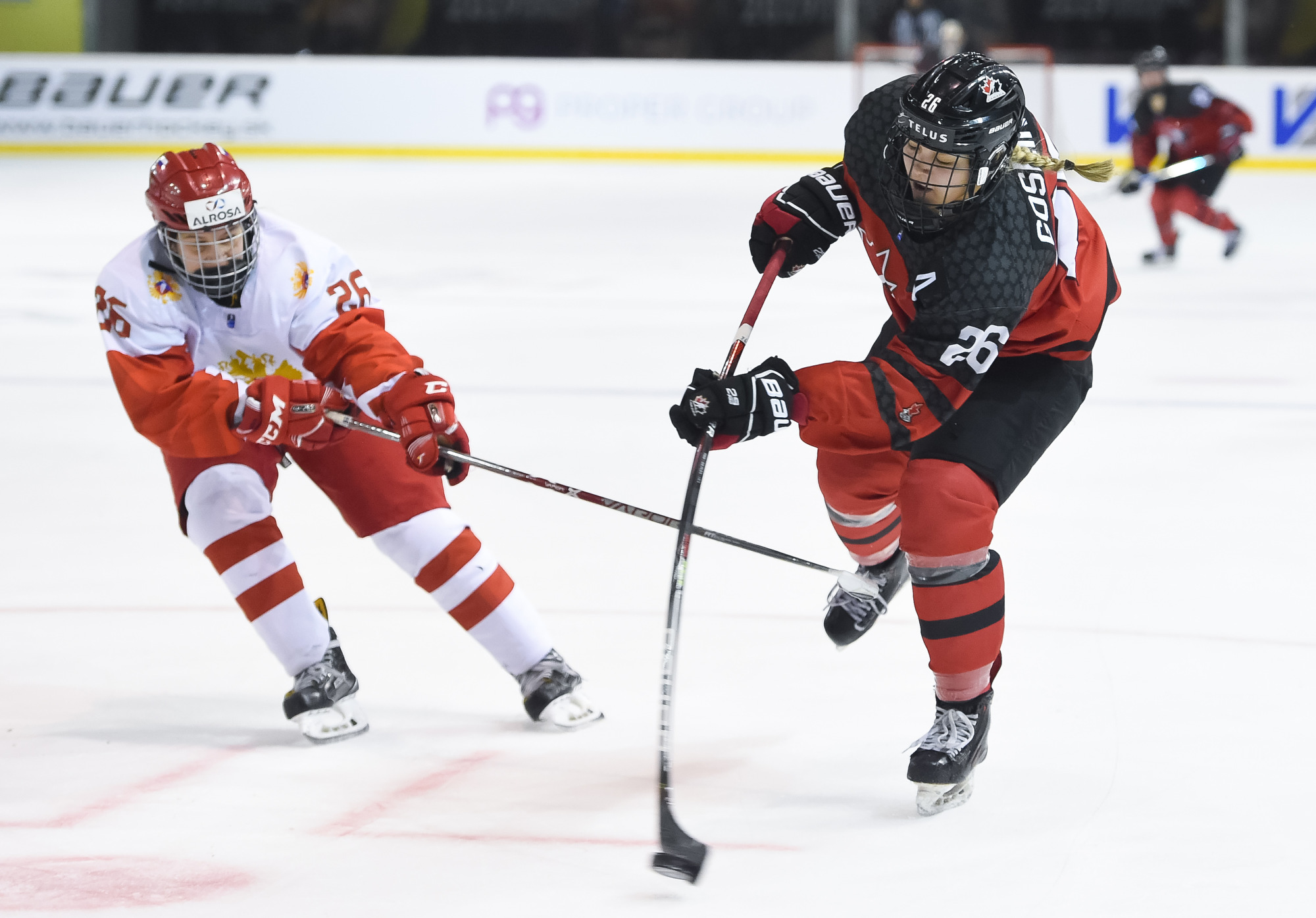 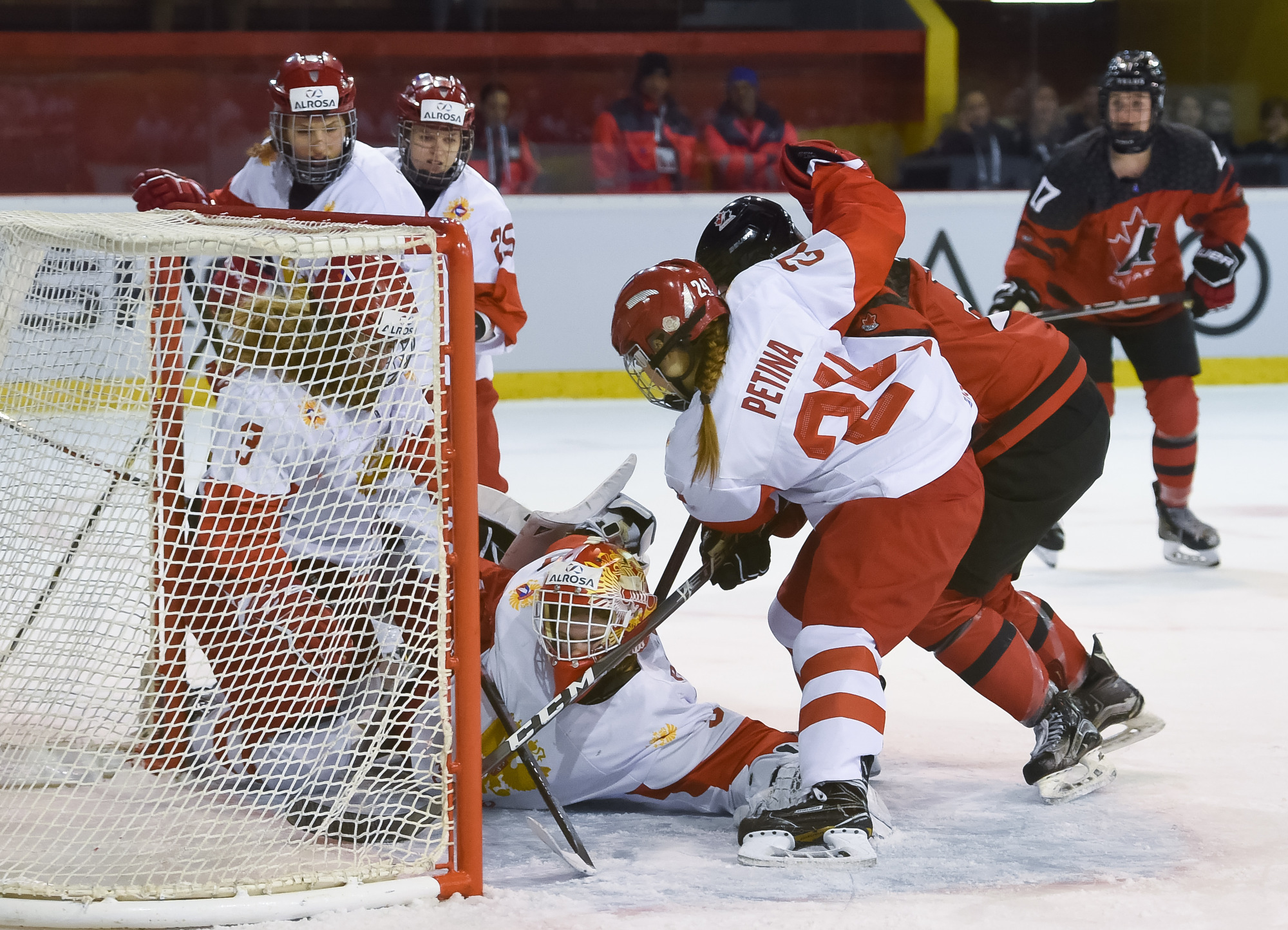 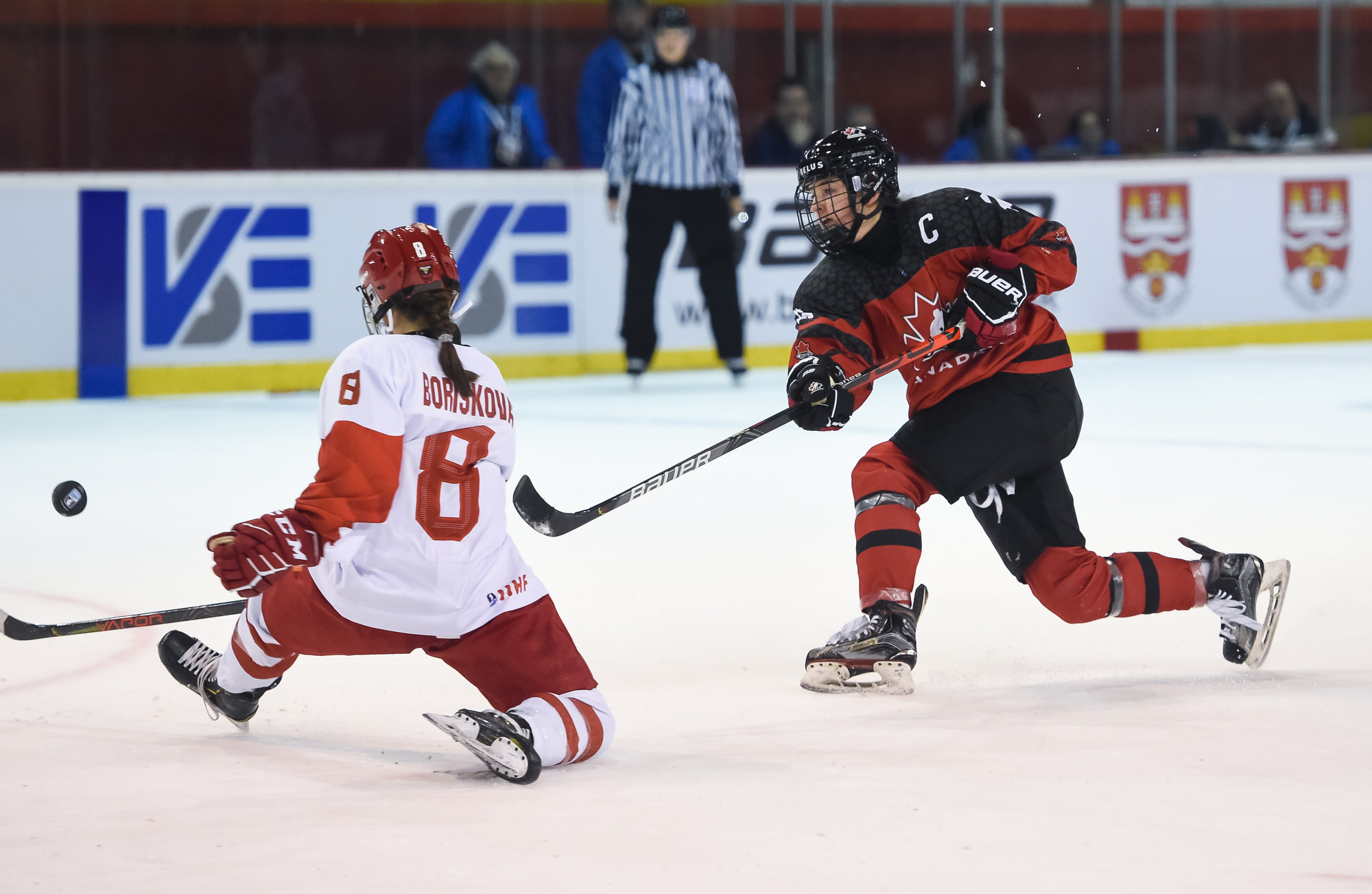 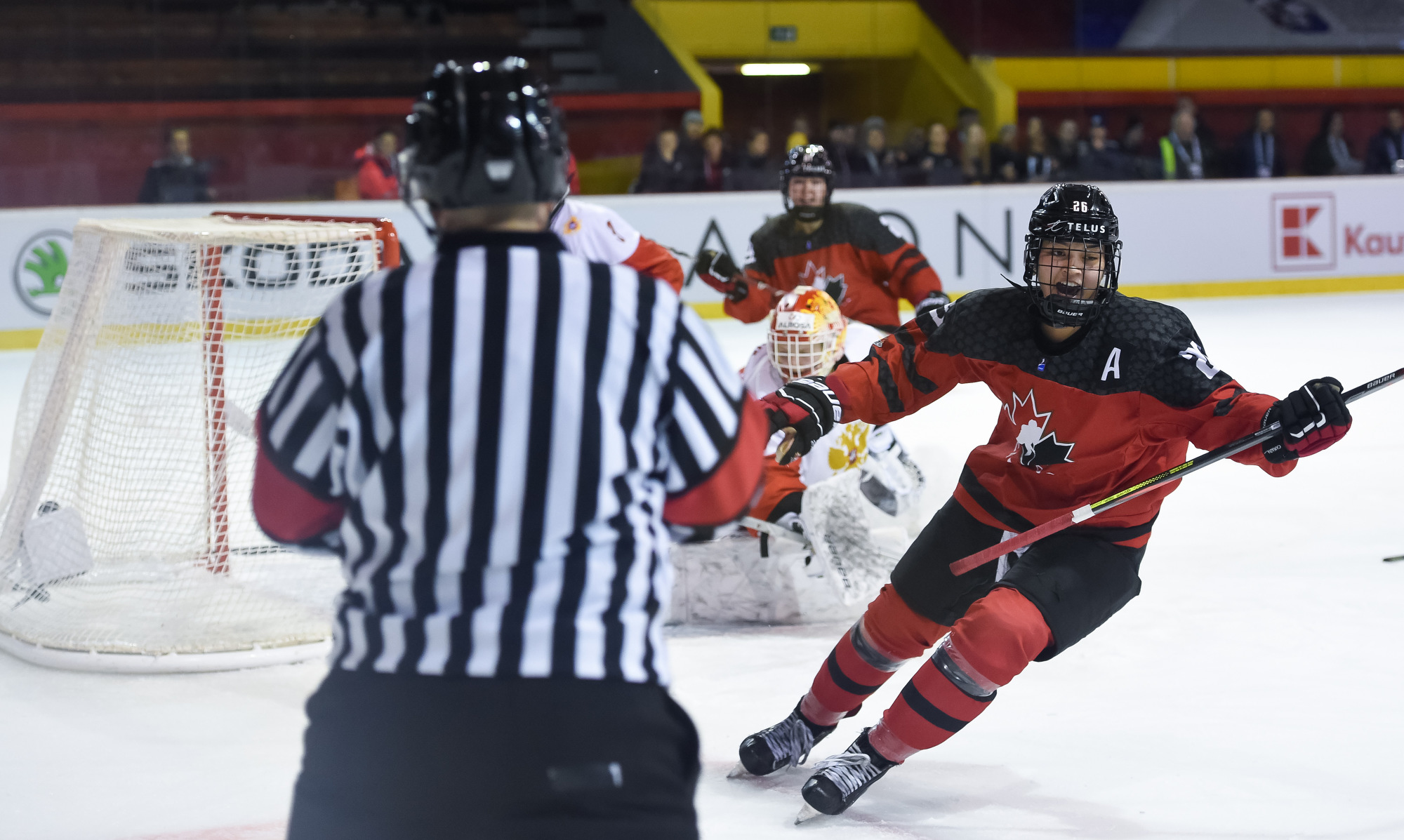 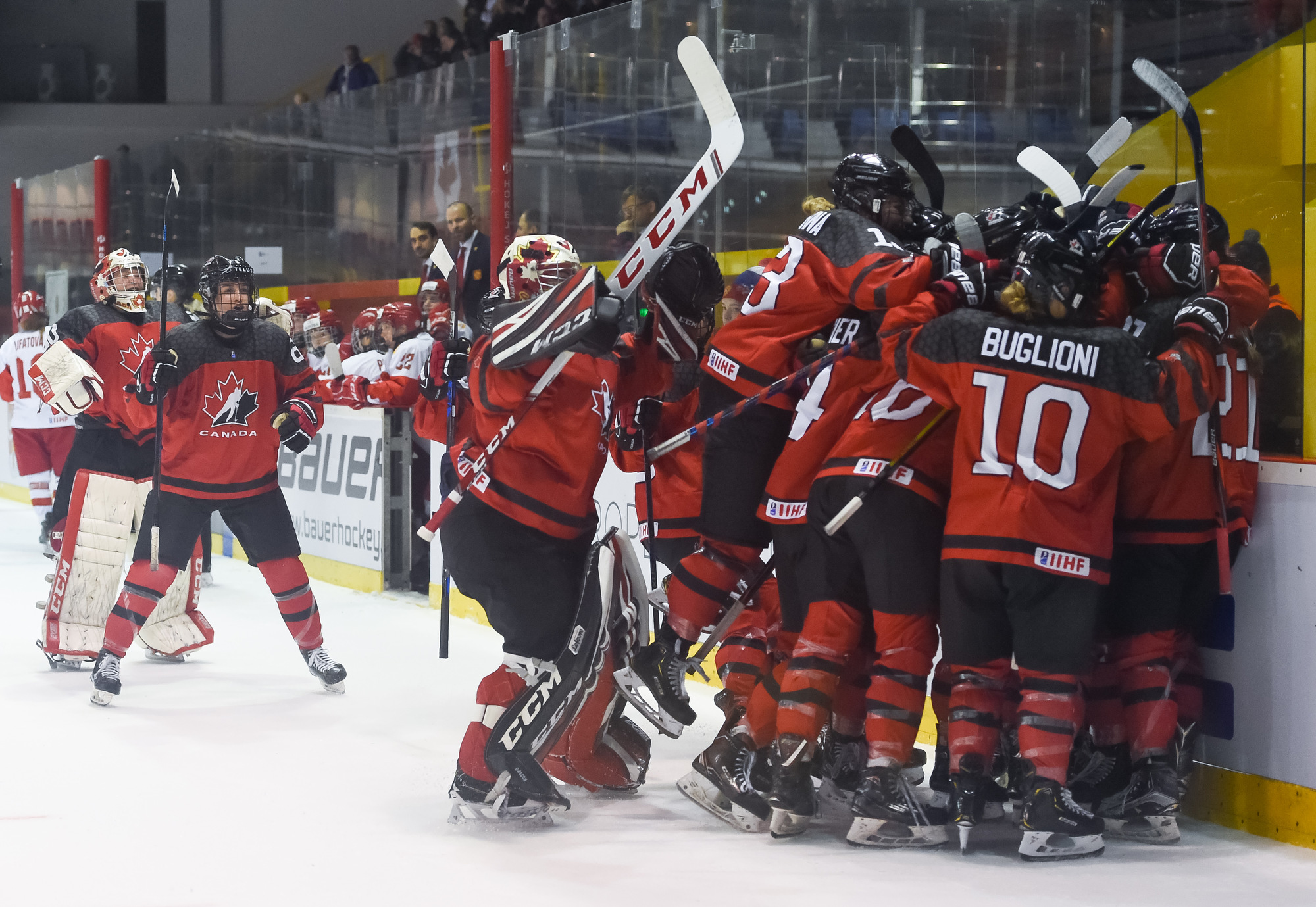 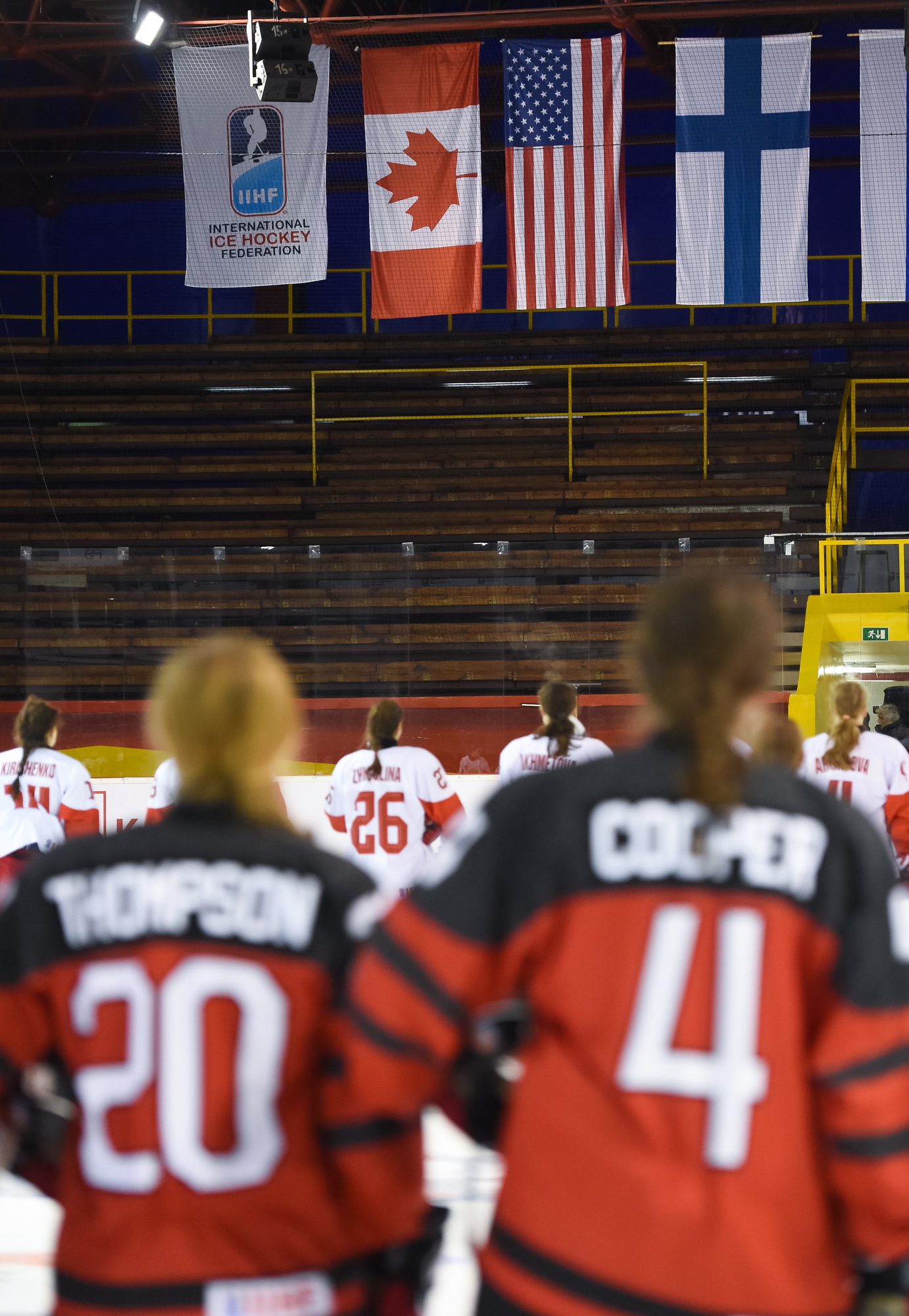 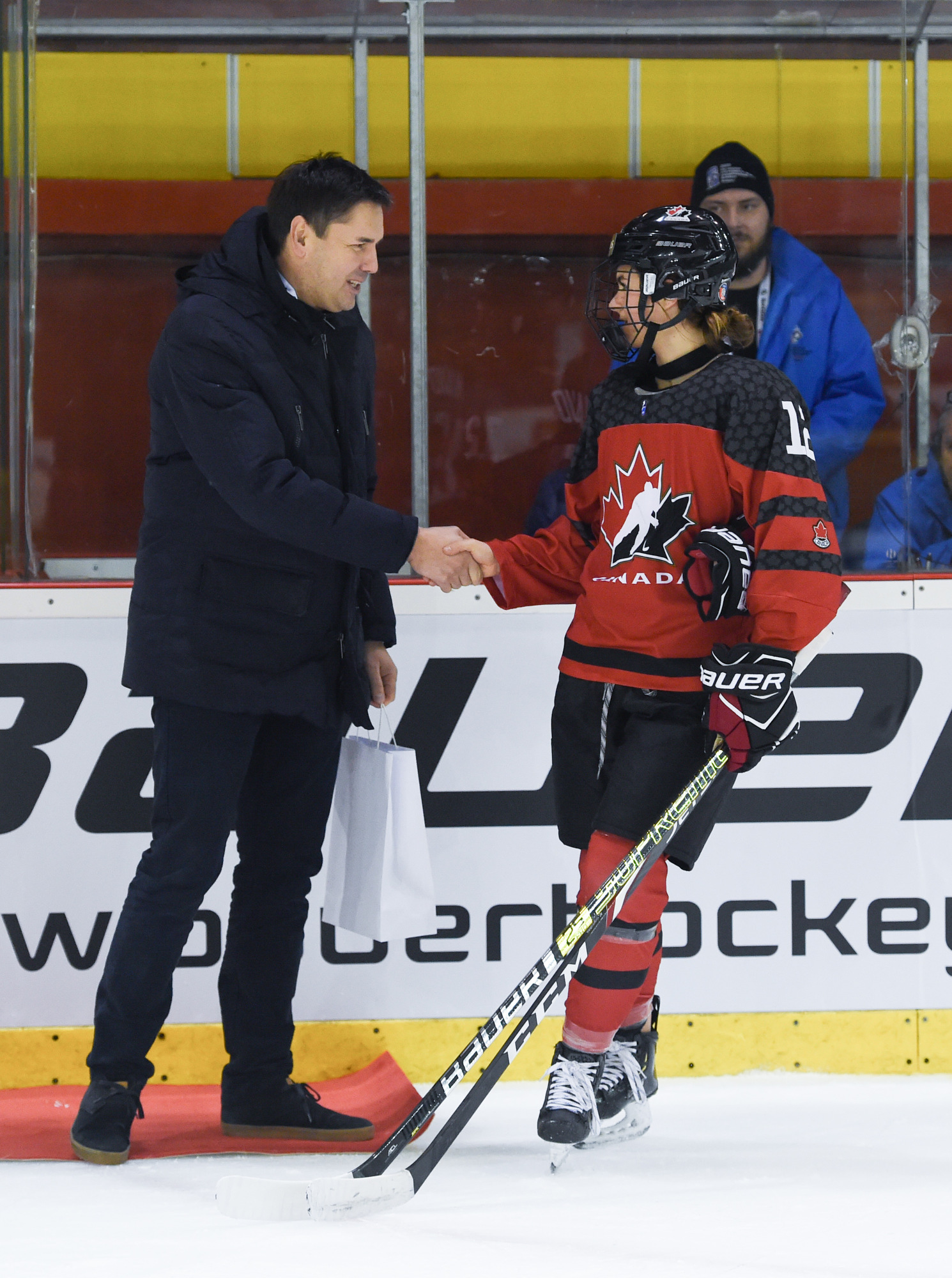