Sweden too strong for Slovakia
Sweden’s Maja Grundstrom #18 shoots the puck as Slovakia’s Sofia Vysokajova #4 tries to block and Laura Medvidova #25 tries to save.
photo: Chris Tanouye / HHOF-IIHF Images
share
The final action of day one in Bratislava saw the host nation, Slovakia, take on Sweden. For the Slovaks, this was the first ever game at the highest level of U18 Women’s hockey. And Sweden, silver medallist two years ago would pose a stiff test for Peter Kudelka’s team.

In the early stages, the home team demonstrated that it was not out of place at this level. A competitive first 20 minutes ended goalless and Slovakia pushed Sweden hard throughout the opening frame. This was no one-sided encounter; the two teams matched each other well.

However, it was hard to shake the suspicion that the opening goal would be crucial, and it went to Sweden. The Tre Kronor steadily got a grip on the game after the intermission and eventually took the lead midway through the second period. Linnea Johansson emerged from the bench, took a pass from Gabriella Johansson and brought play into the Slovak zone before beating home goalie Laura Medvidova at the second attempt. For Linnea, it was her first goal in World Championship play. She was part of the 2018 silver medal roster but missed out last year. Gabriella – no relation – also returns to the tournament this season having played for Sweden last year in Japan.

Once in front, the Tre Kronor quickly extended that advantage. A power play opportunity saw Linnea Johansson and Ella Albinsson combine to set up Elin Svensson for 2-0. Then, late in the frame, Hanna Thuvik chased the puck down in the corner, Nicole Hall brought it out from behind the net and Amanda Ahlm set up Thuvik to make it 3-0 at the end of the second period. Thuvik, another player returning from last year, plays the bulk of her hockey for Goteburg in the SDHL, the highest level of women’s hockey in the country.

That illustrated something of the gap between the two nations. Although Slovakia had 12 players returning from last year’s promotion campaign, Kudelka’s team had an average age of 15.7 years – the youngest in the tournament. Four players – goalie Laura Medvikova, blue liners Lia Gertlova and Lily Stern, plus forward Victoria Kucerova – are just 14 years old. For many on the team, stepping up to this level is a steep learning curve.

That lack of experience became apparent in the third period, with Sweden able to close out the game comfortably despite all the hard work of the Slovak team. And the Tre Kronor underlined the point with a fourth goal late in the game. Lova Blom, returning for her third U18 Worlds, scored the best goal of the night, surging down the ice, using a neat dangle to get round the defence and beating Medvikova to make it 4-0.

Happily for the home crowd, that was not the last word. A late Slovak power play enabled the host to get on the scoreboard in the 57th minute when Romana Haluskova chipped in a shot and Barbora Kapicakova got the redirect on the slot to give her team its first goal at this level. Then, with eight seconds left, Emilia Leskovjanska stuffed home the puck amid a scramble on the Swedish crease, giving Slovakia a platform from which to build in the next two group games against the Swiss and the Czechs.
Sweden vs. Slovakia - 2020 IIHF Ice Hockey U18 Women's World Championship 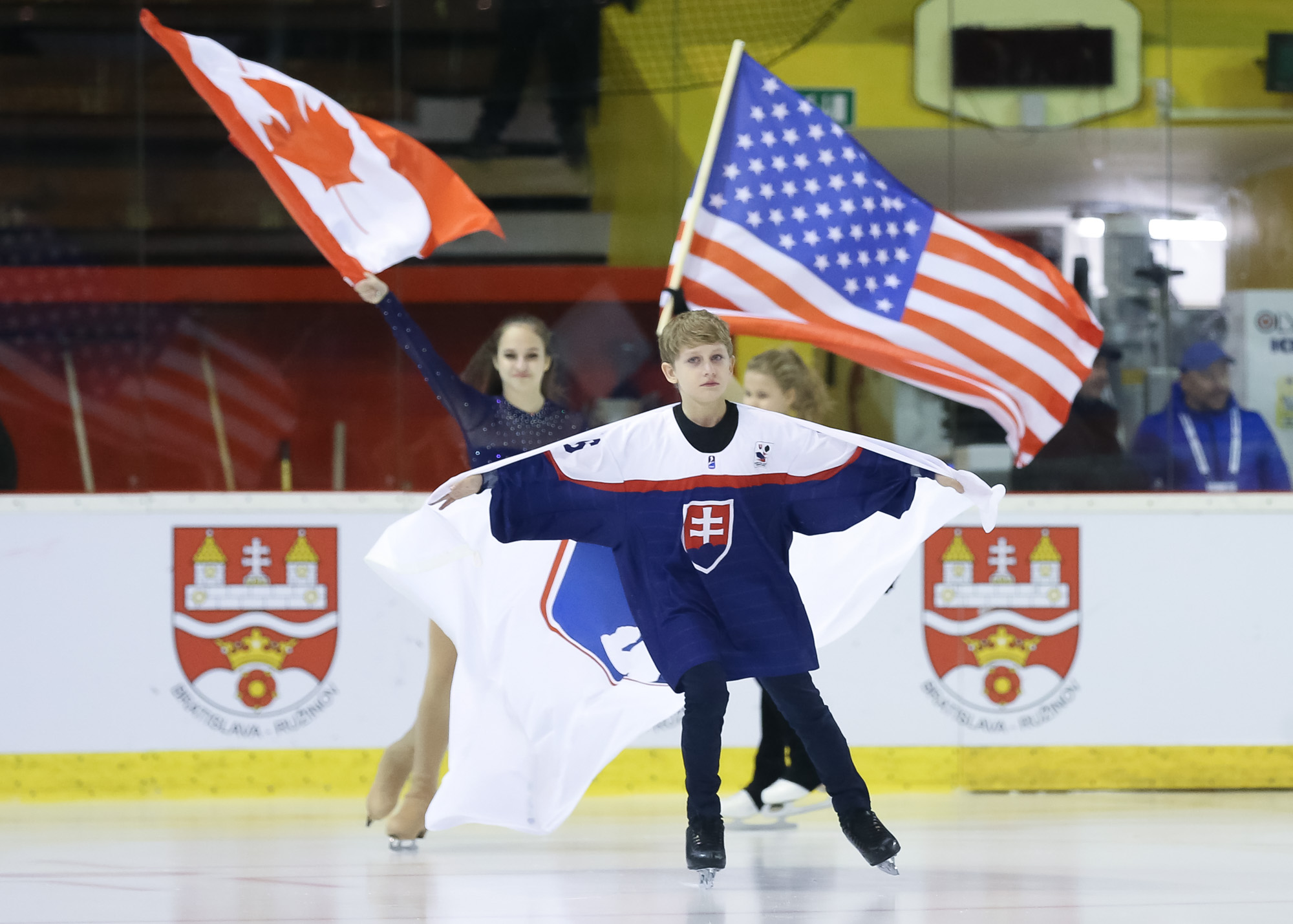 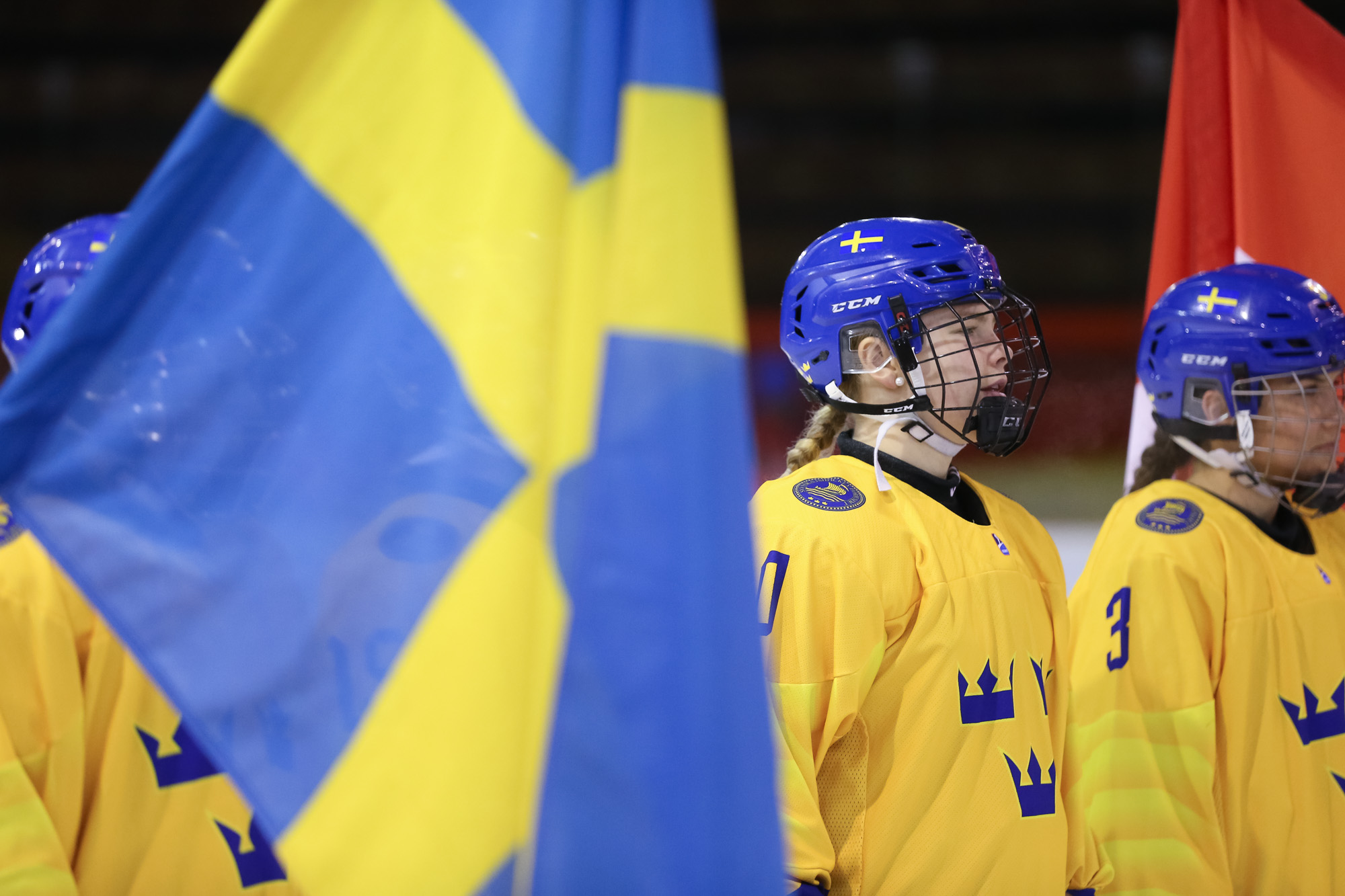 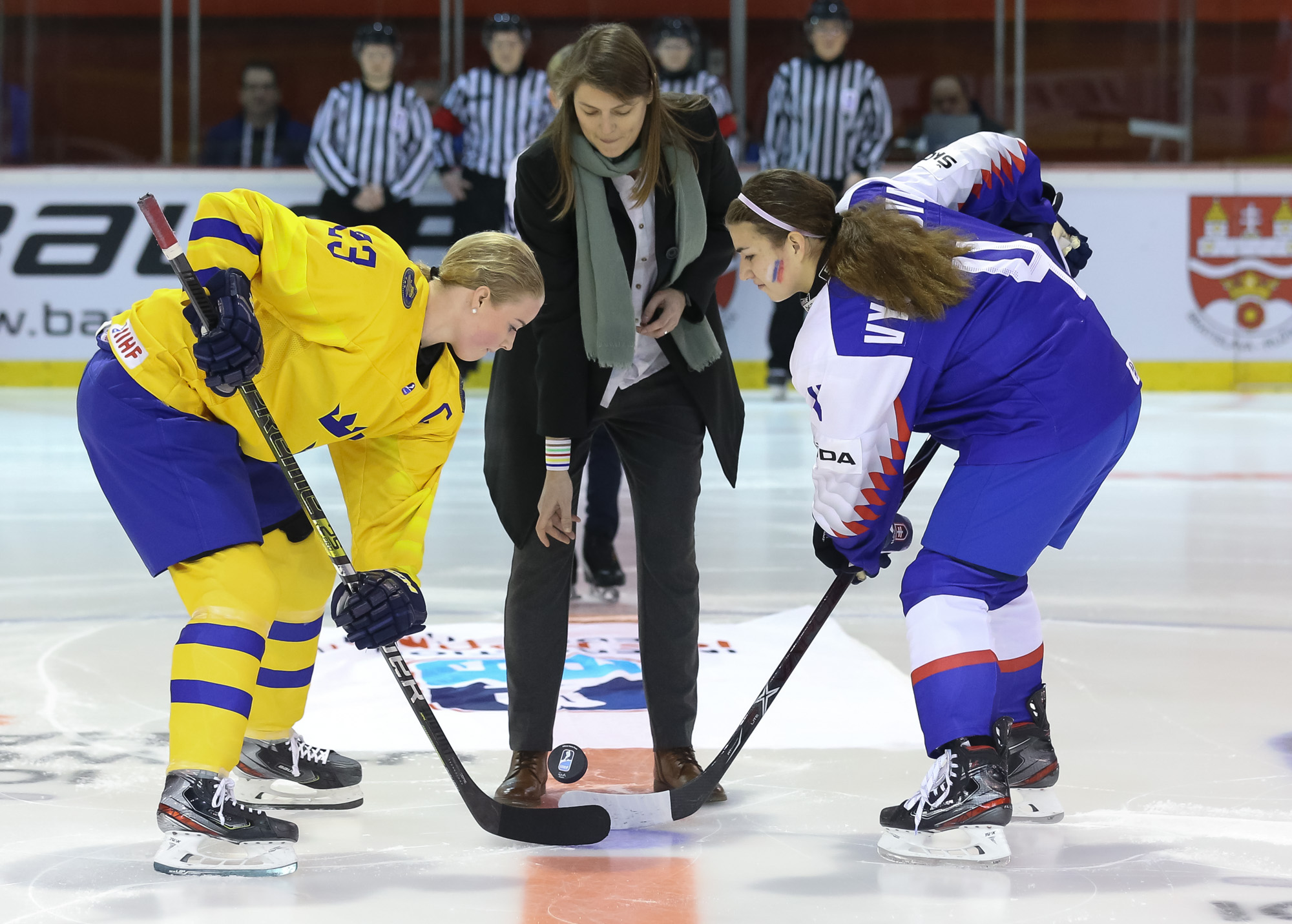 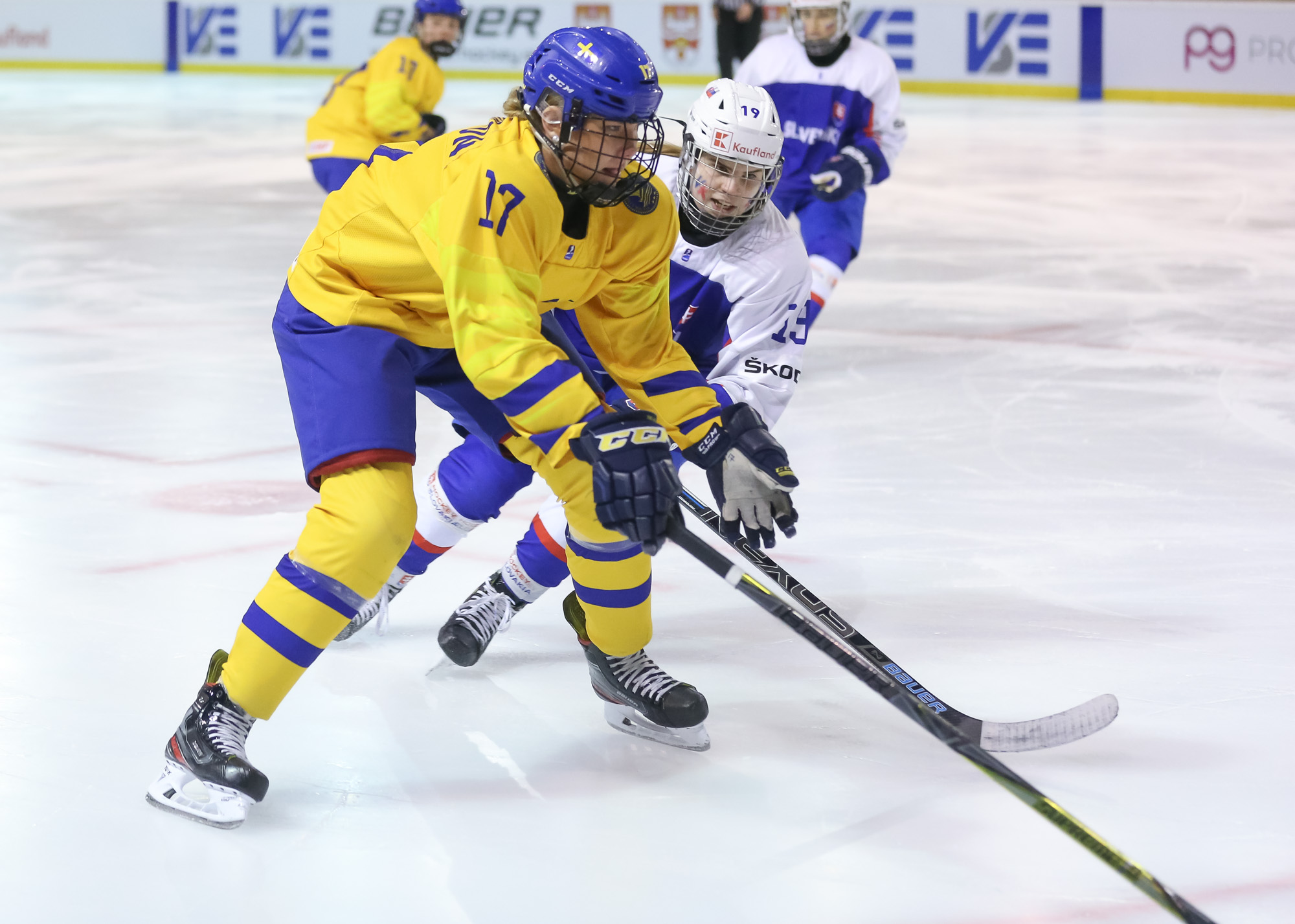 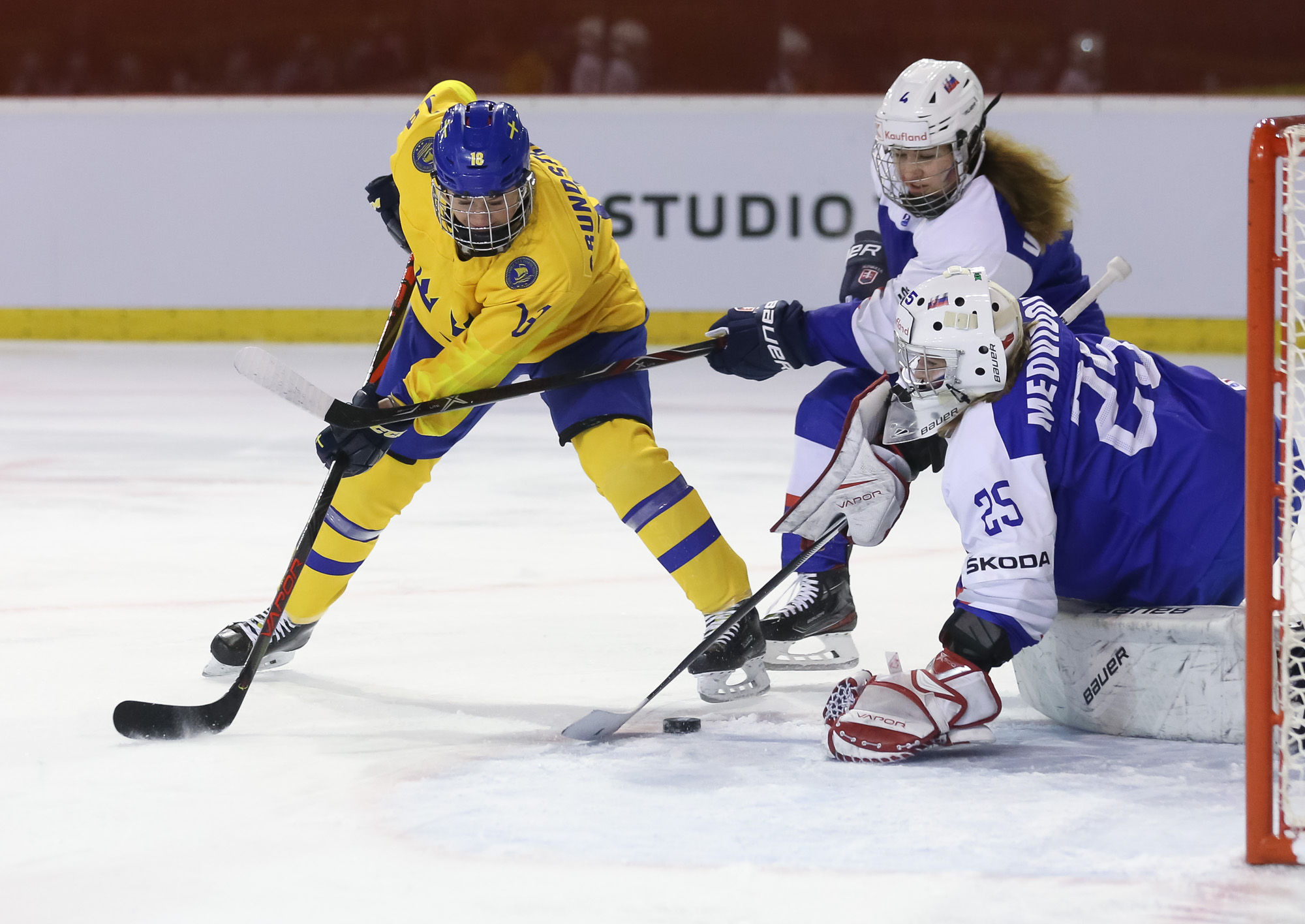 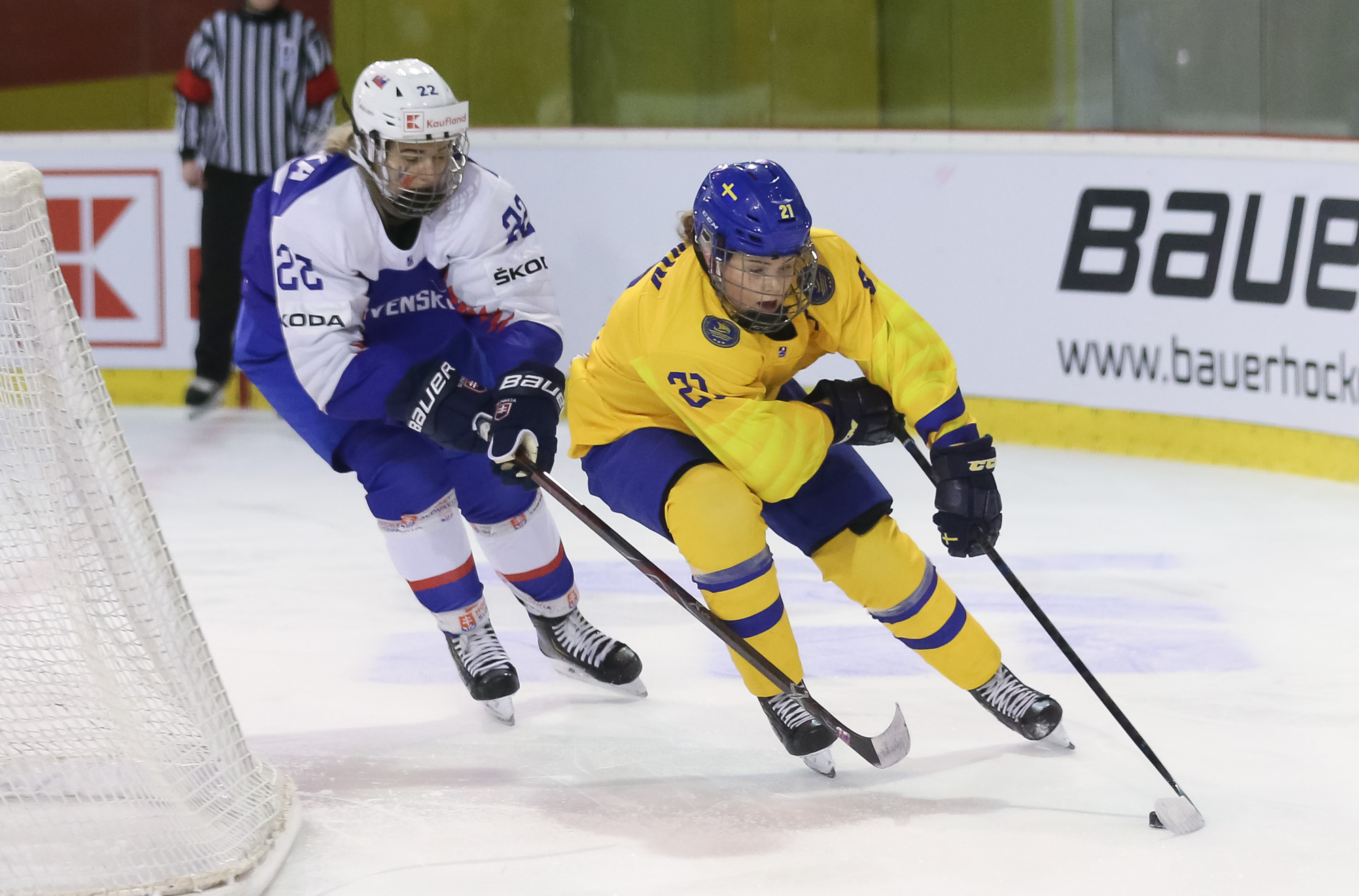 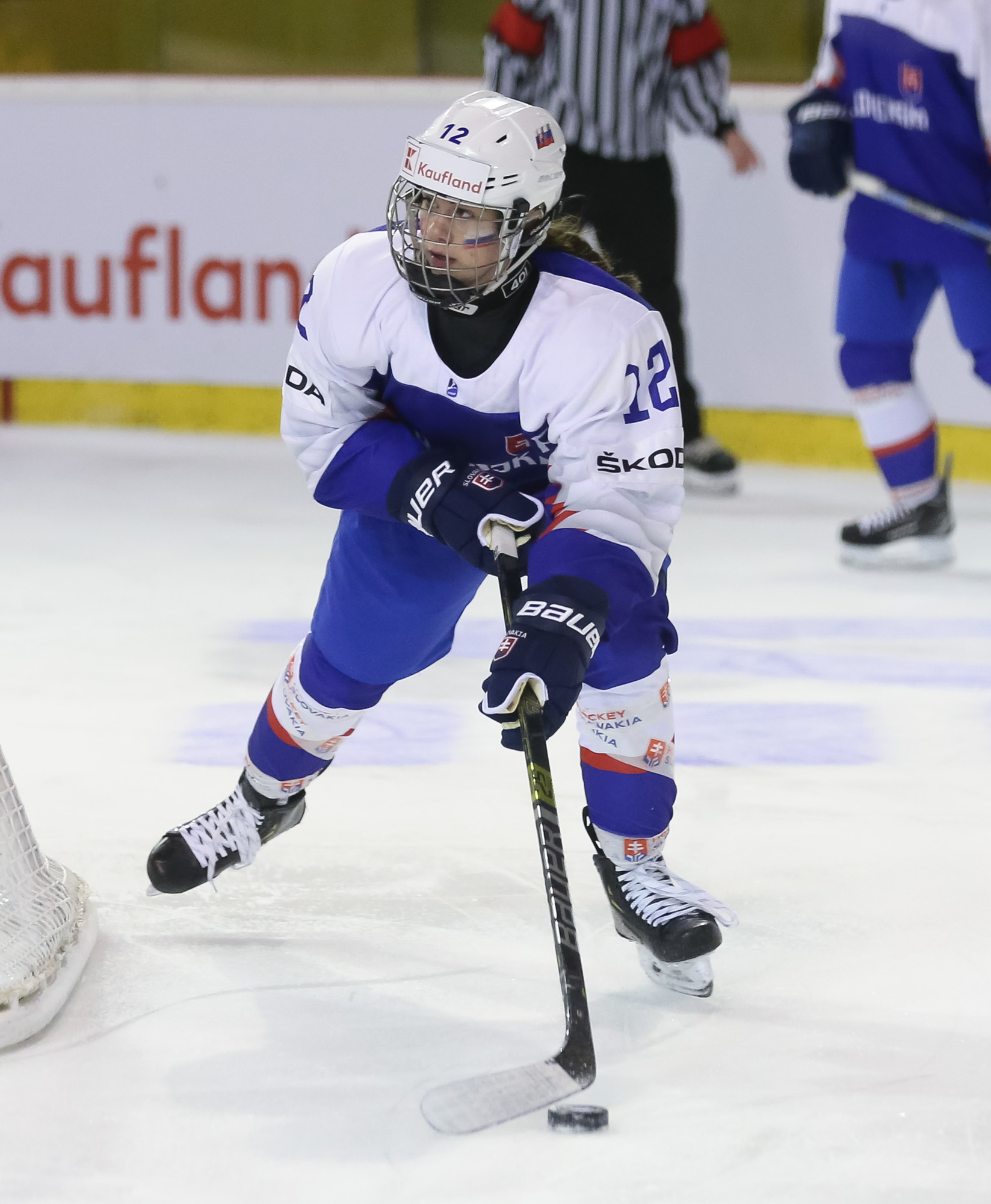 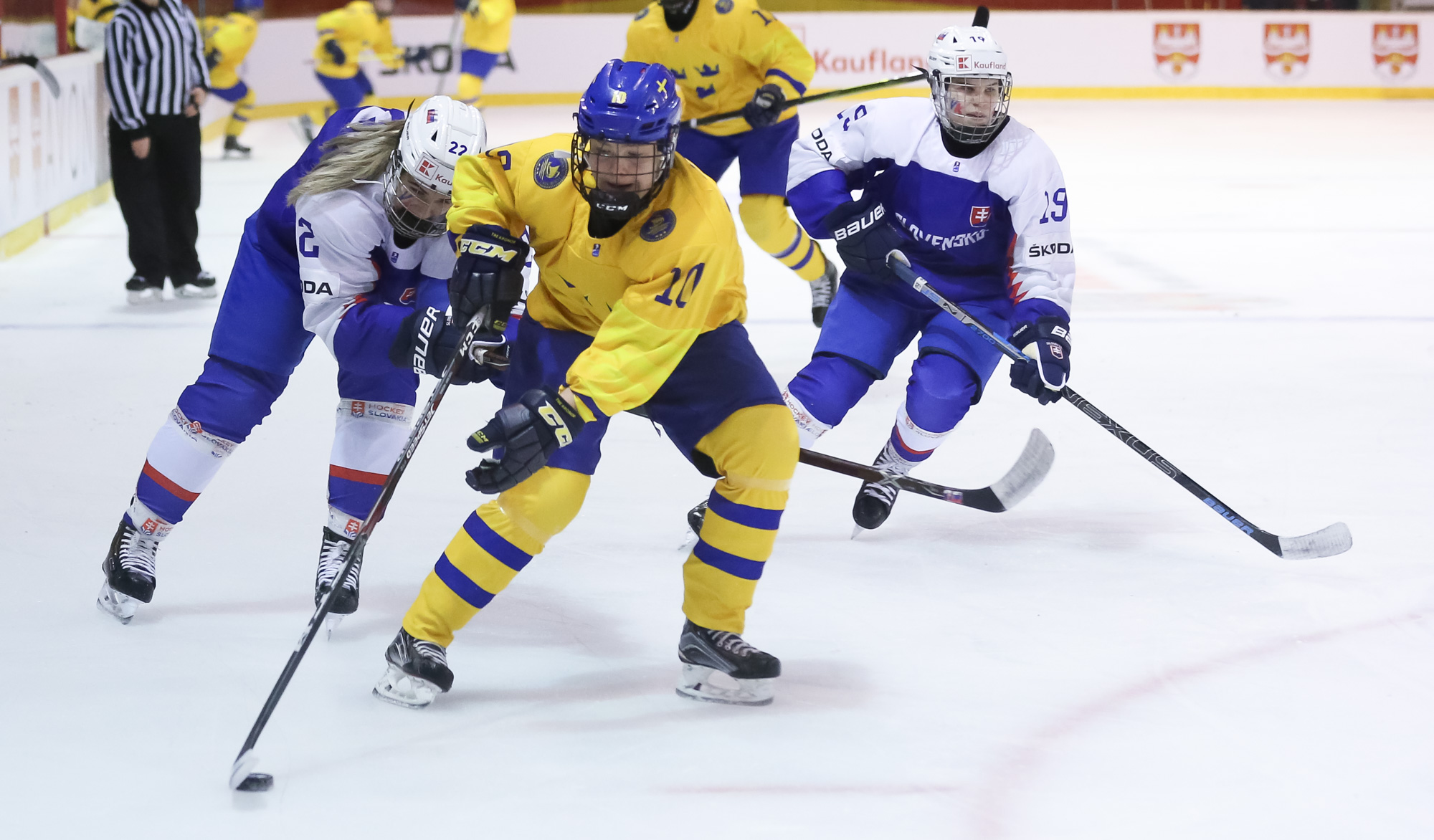 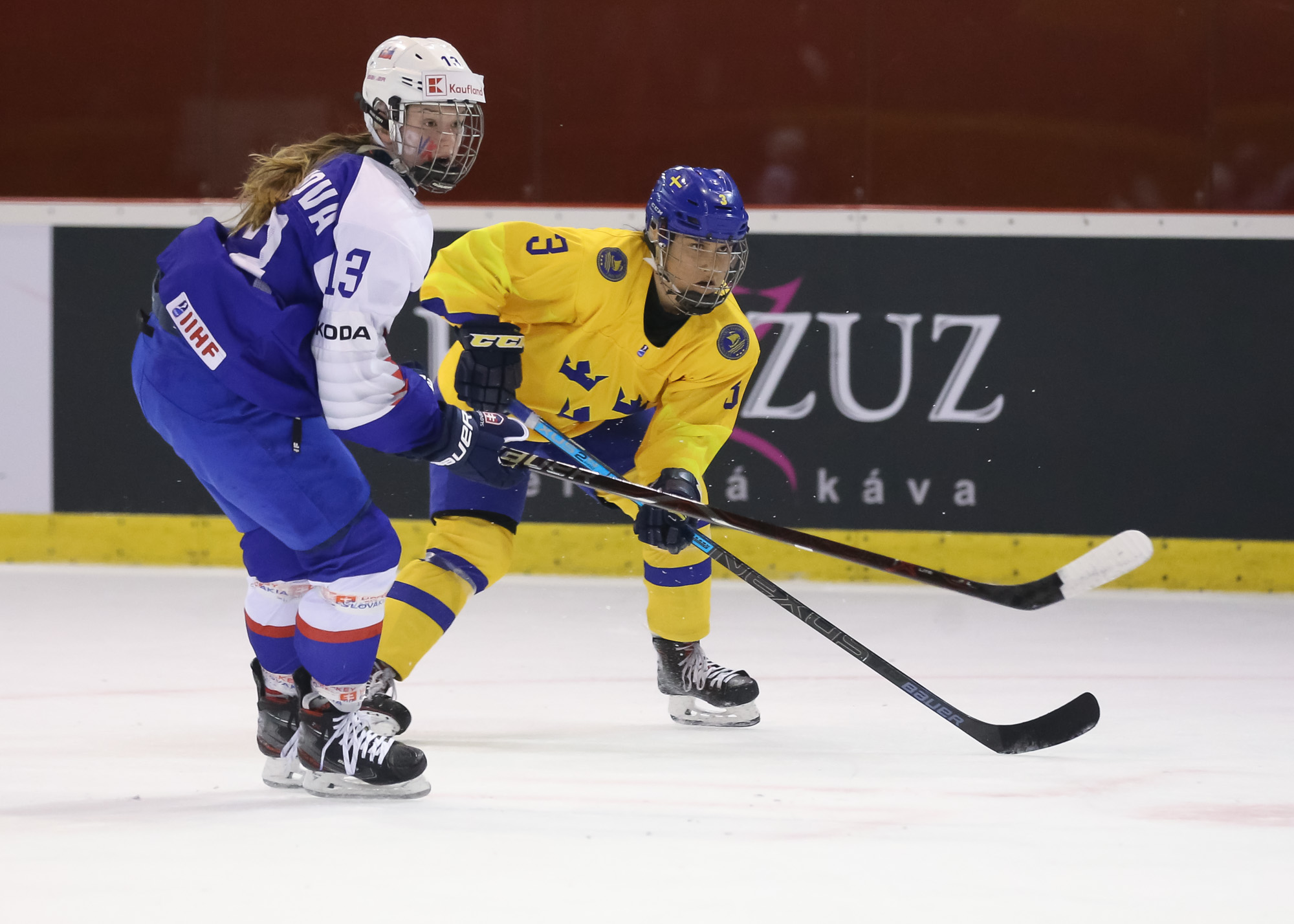 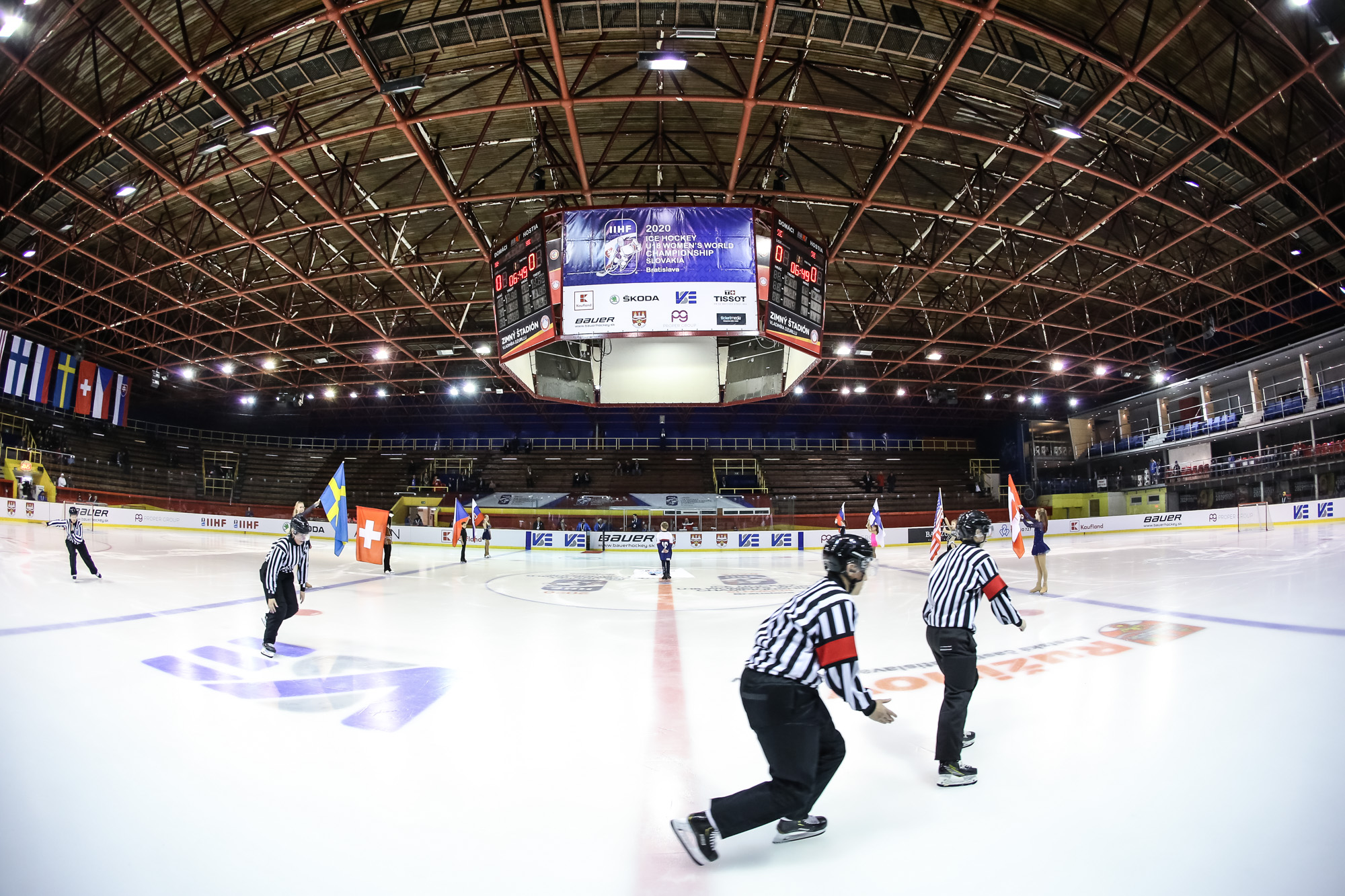 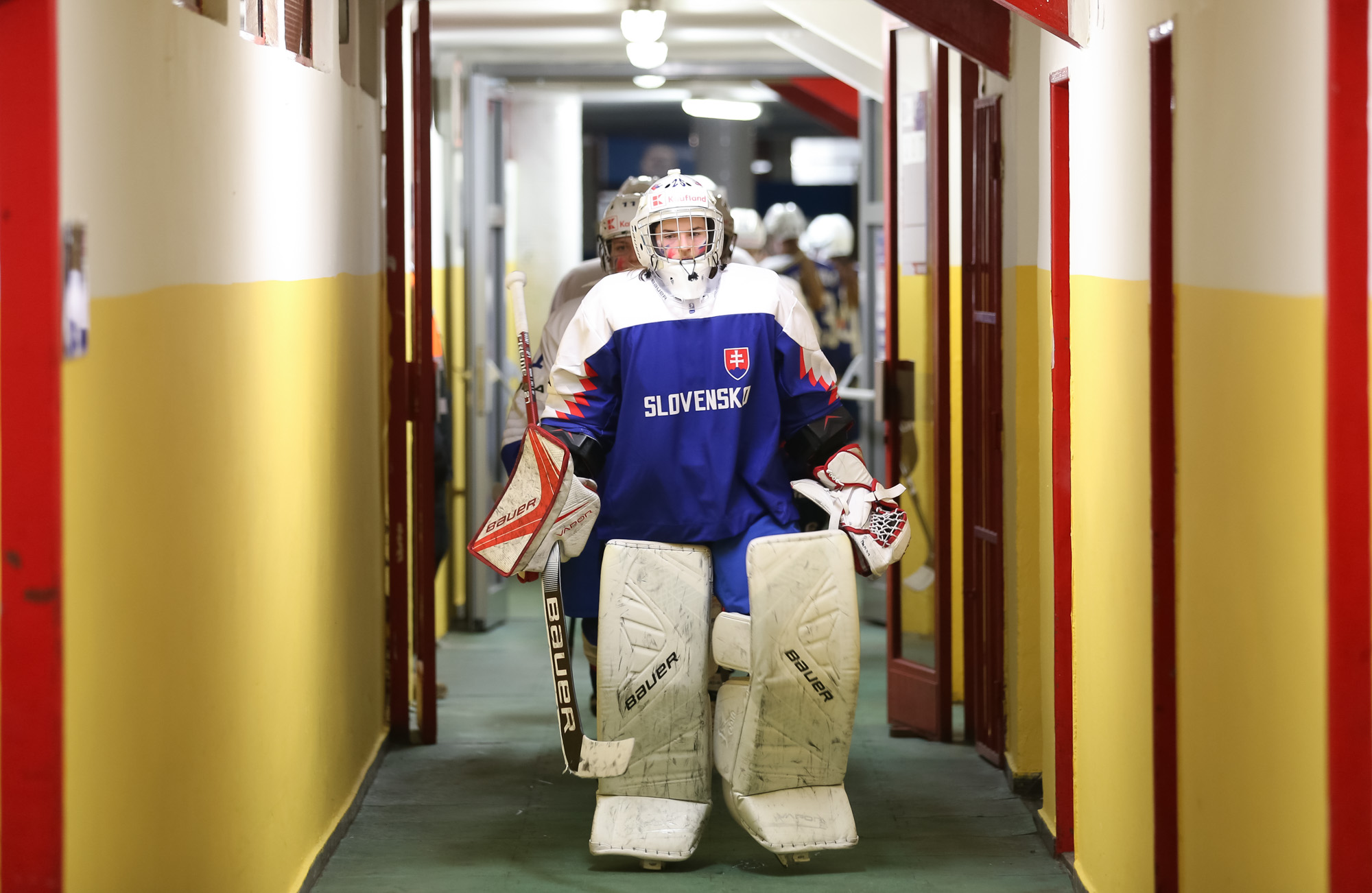 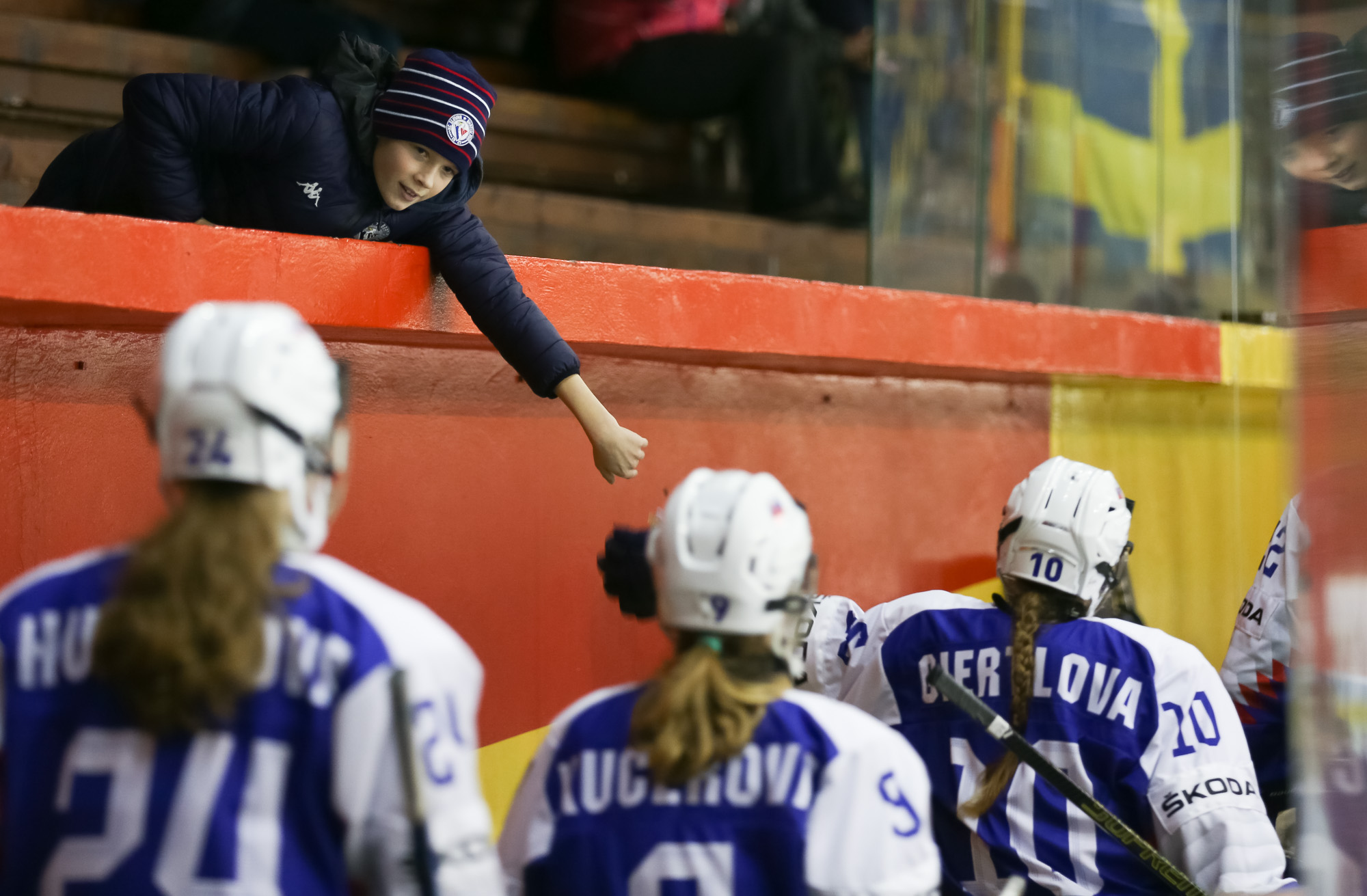 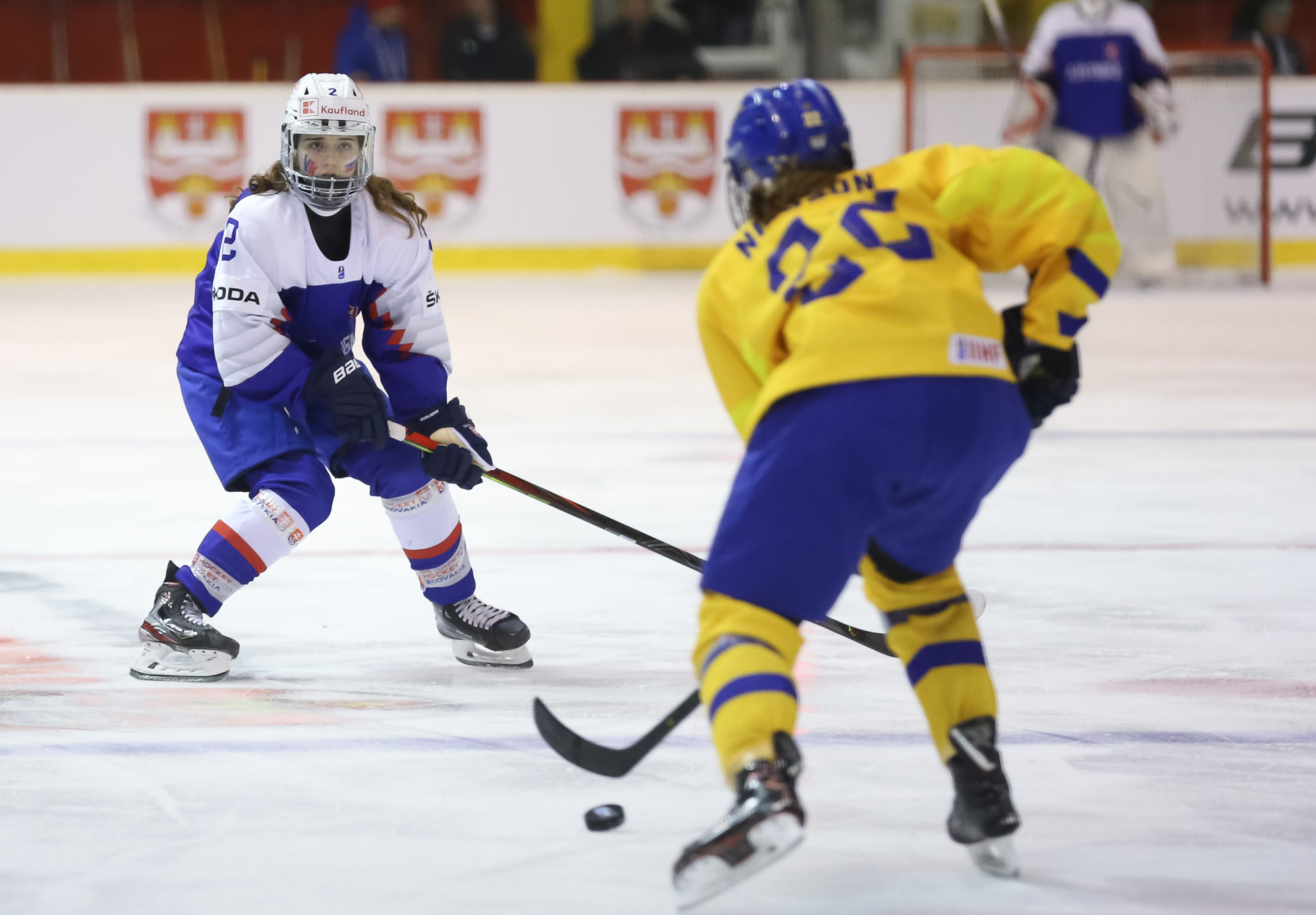 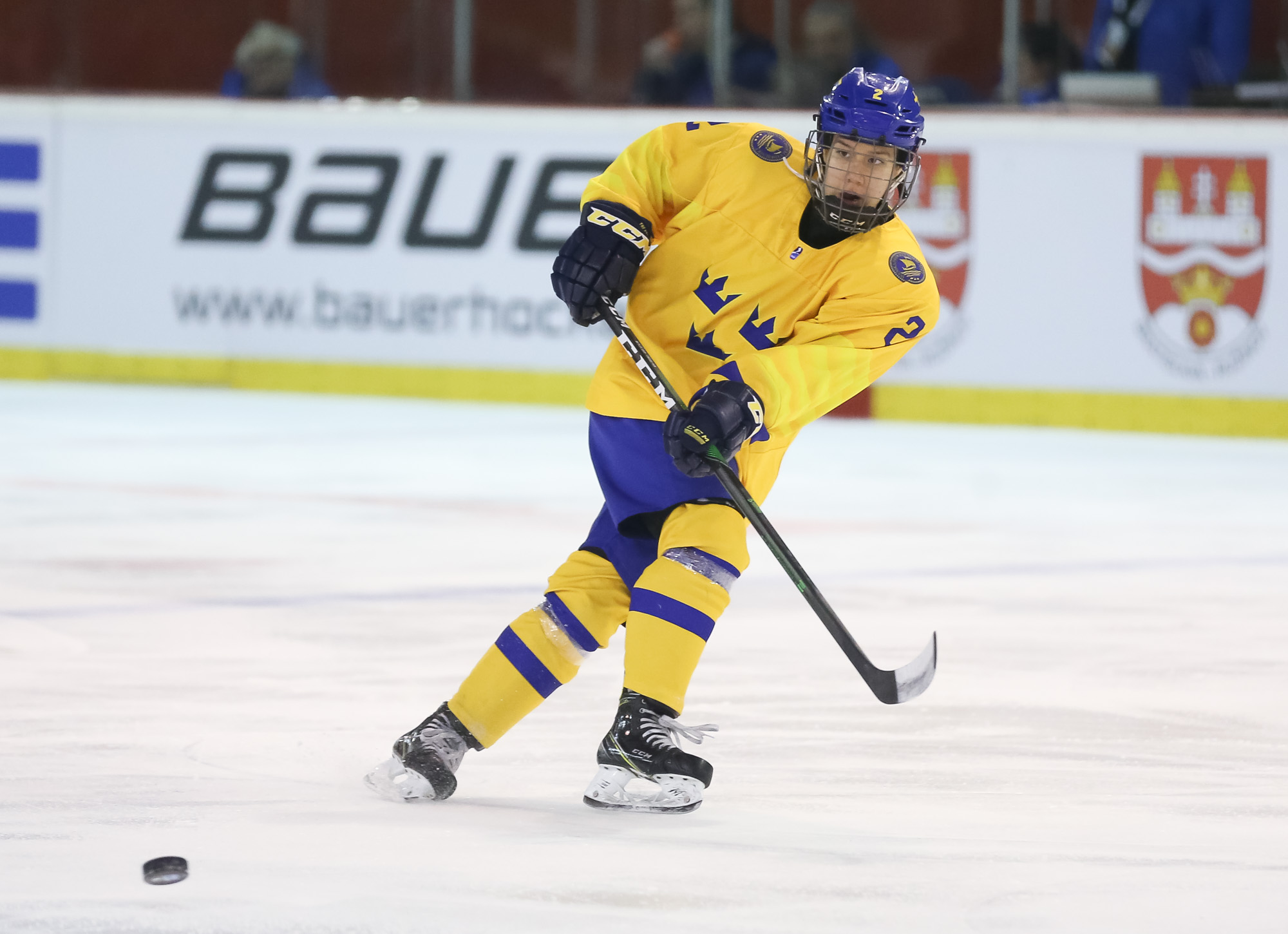 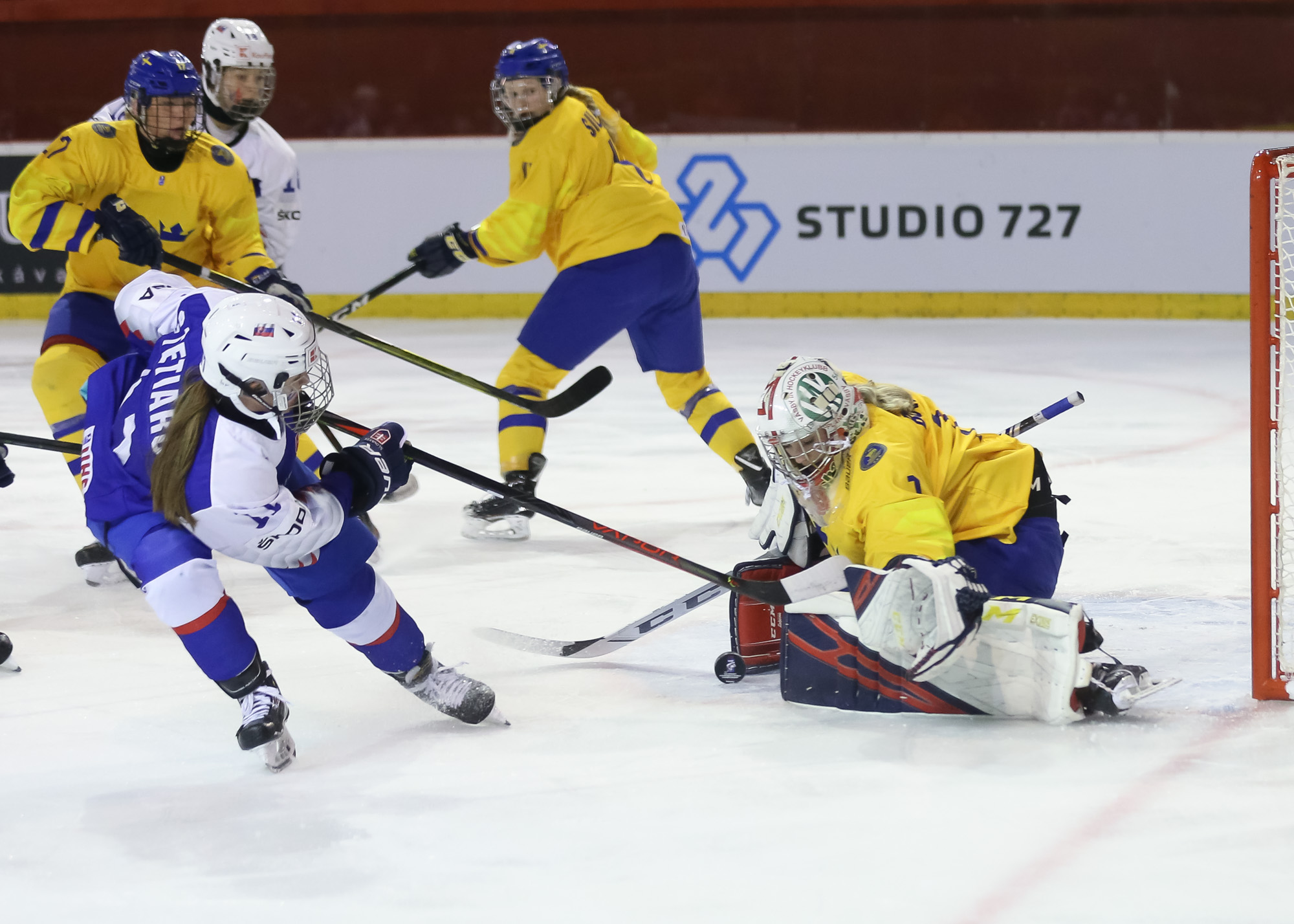 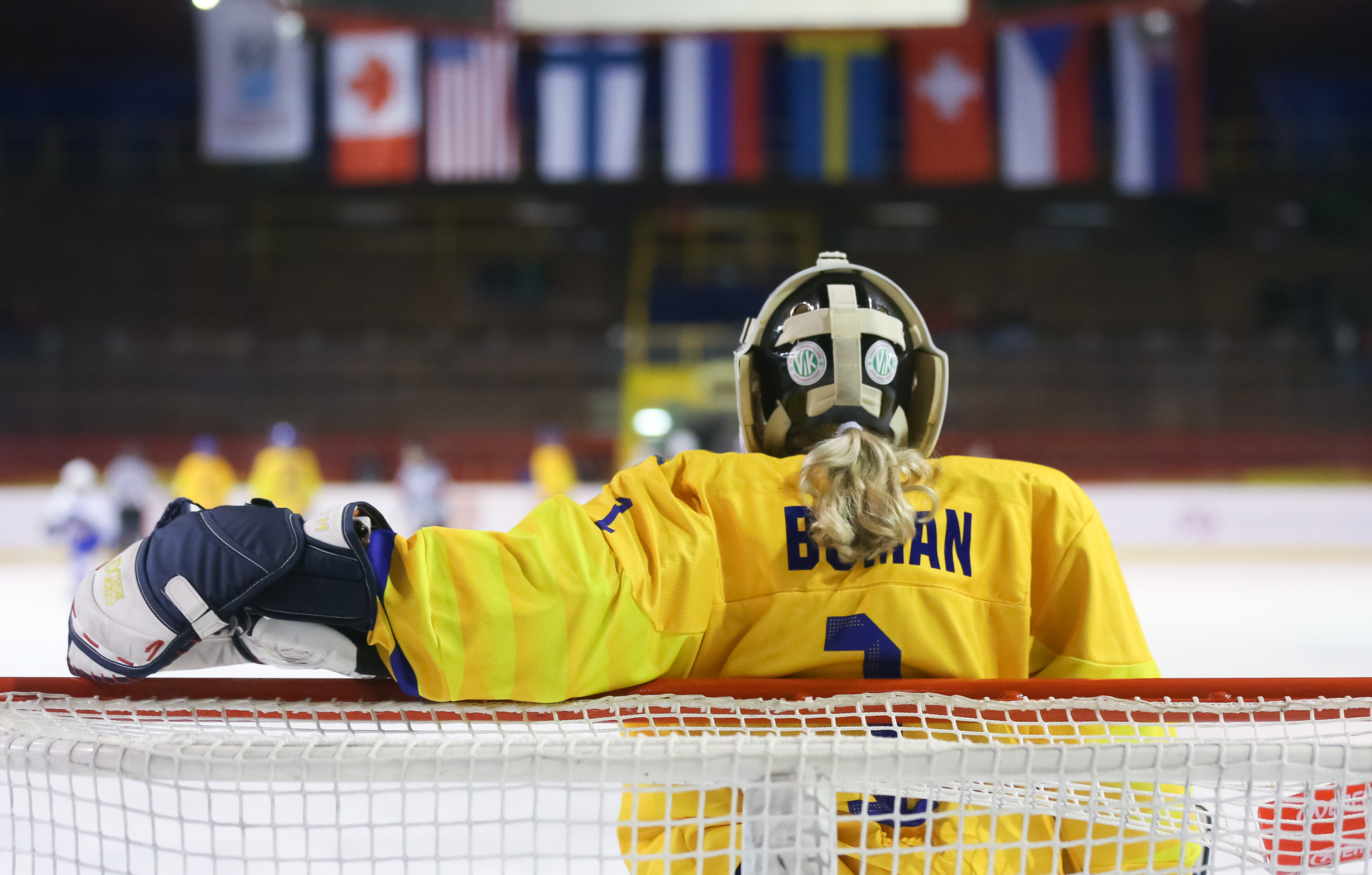 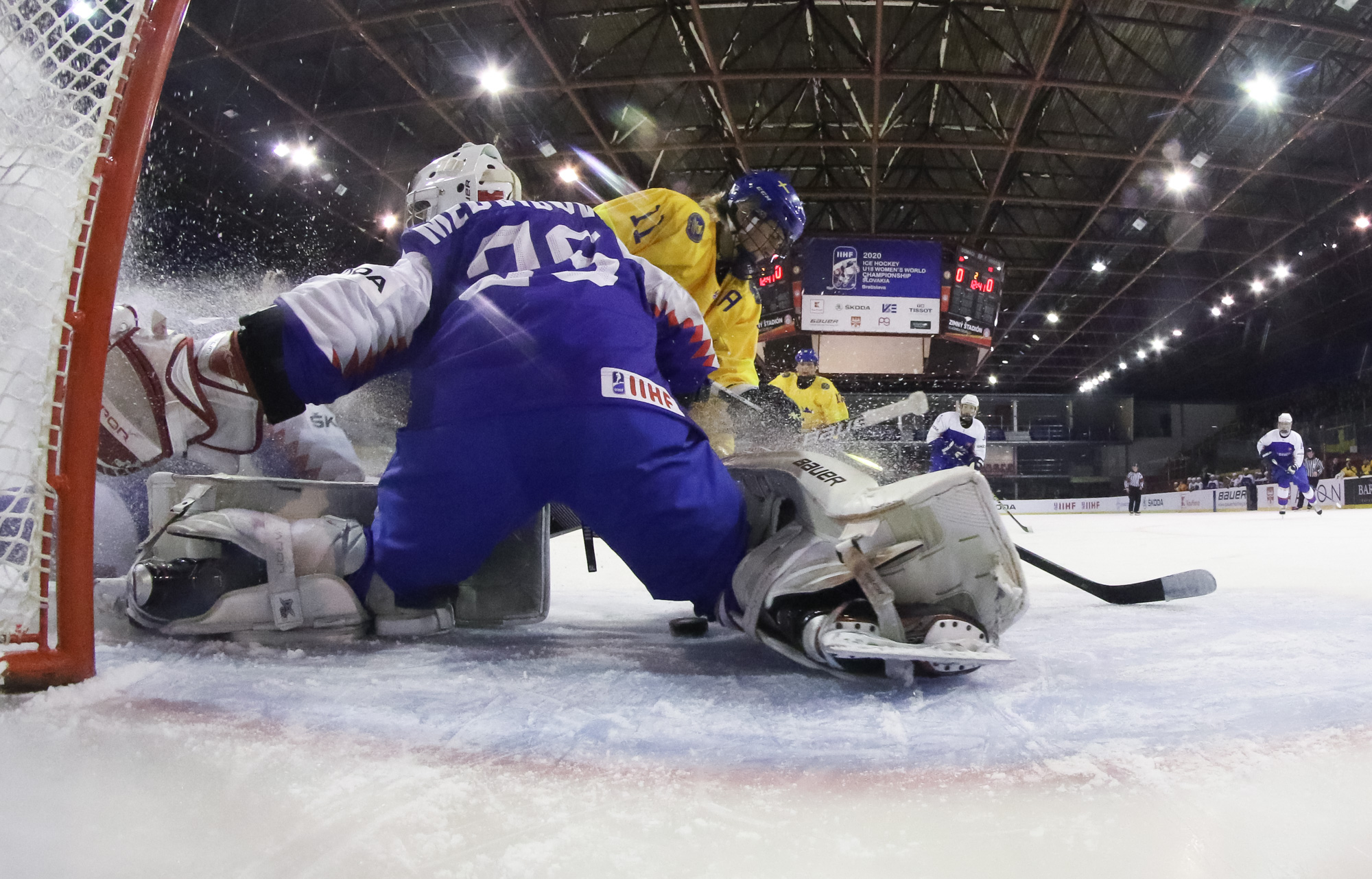 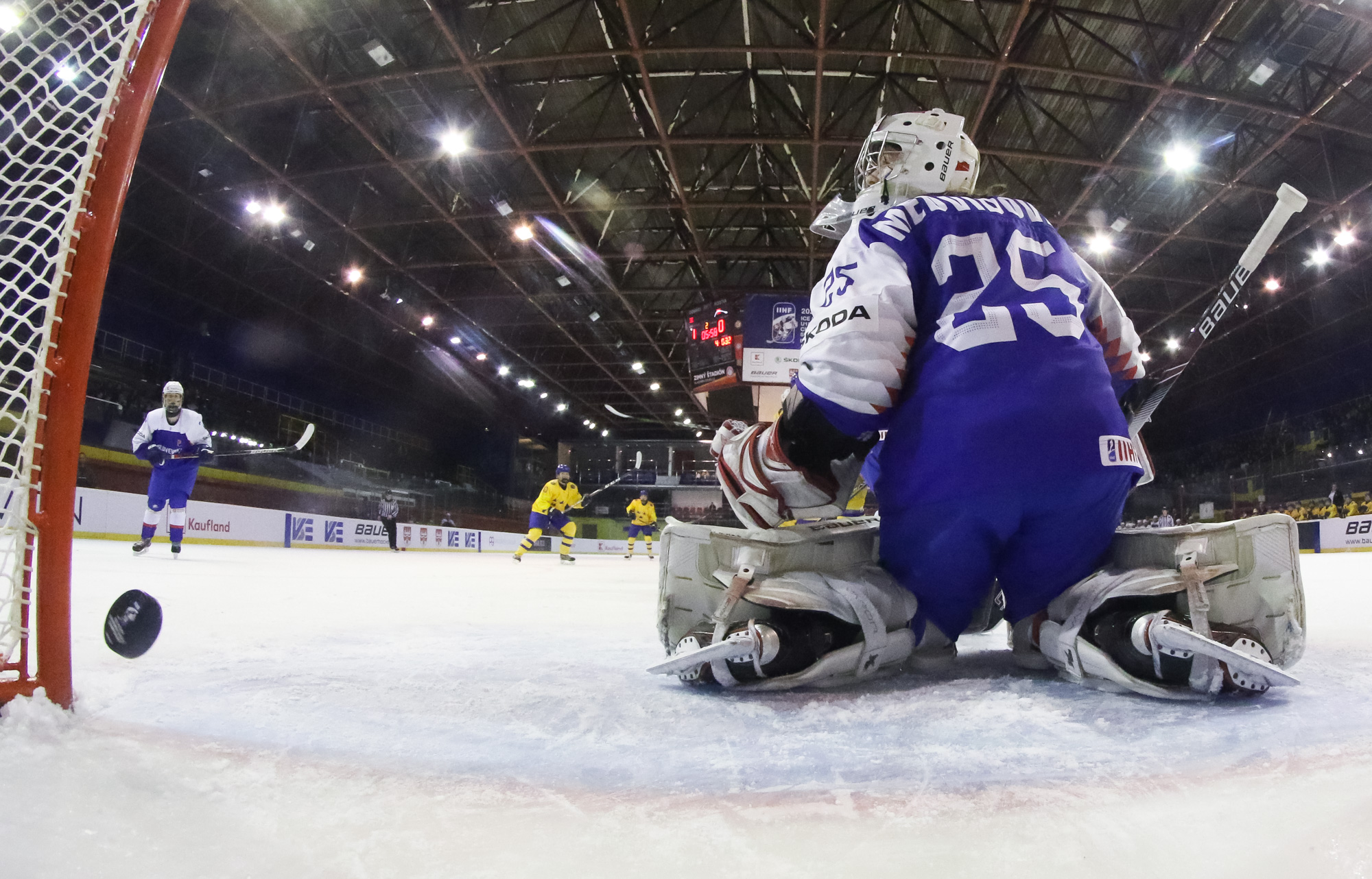 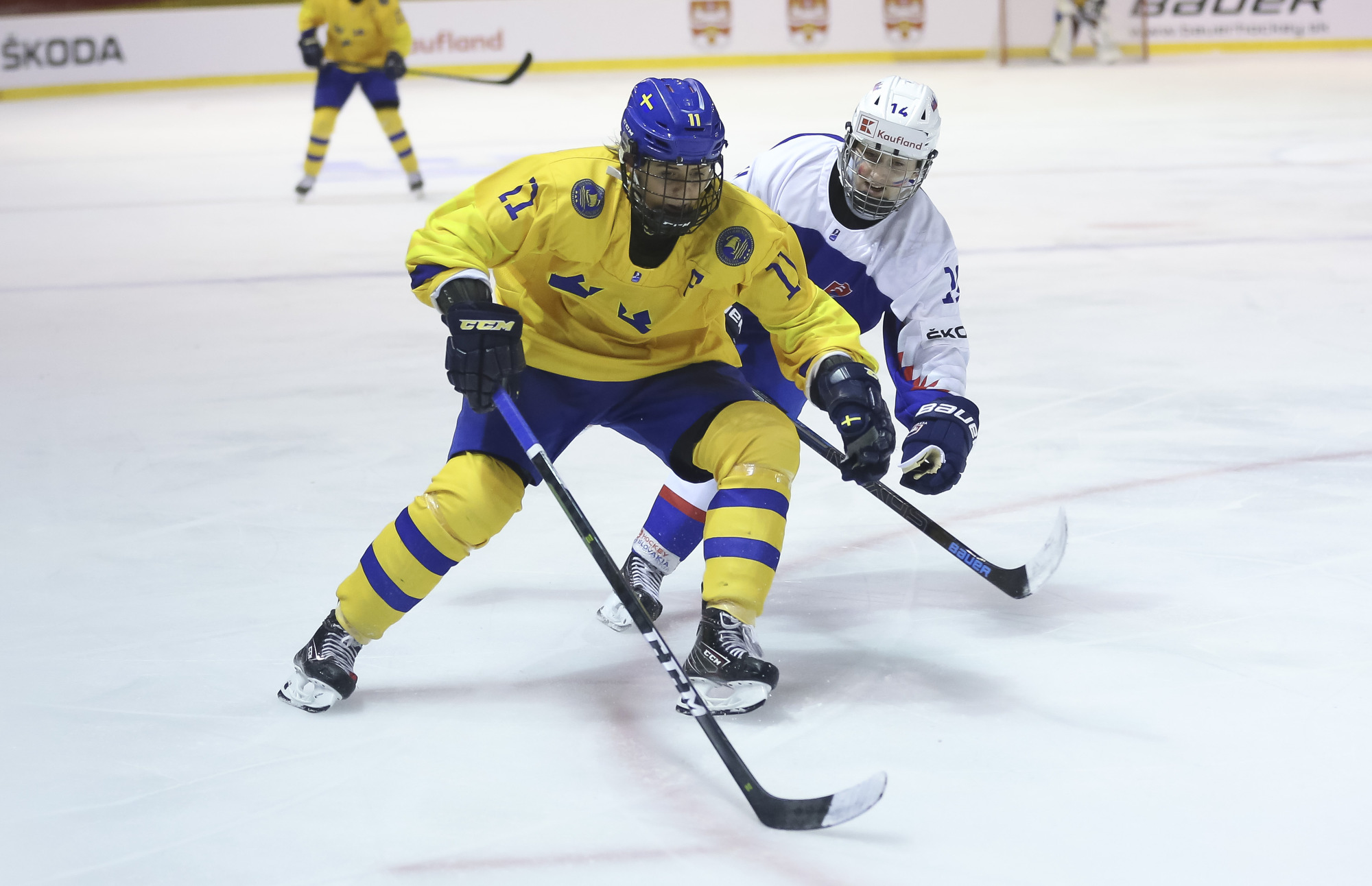 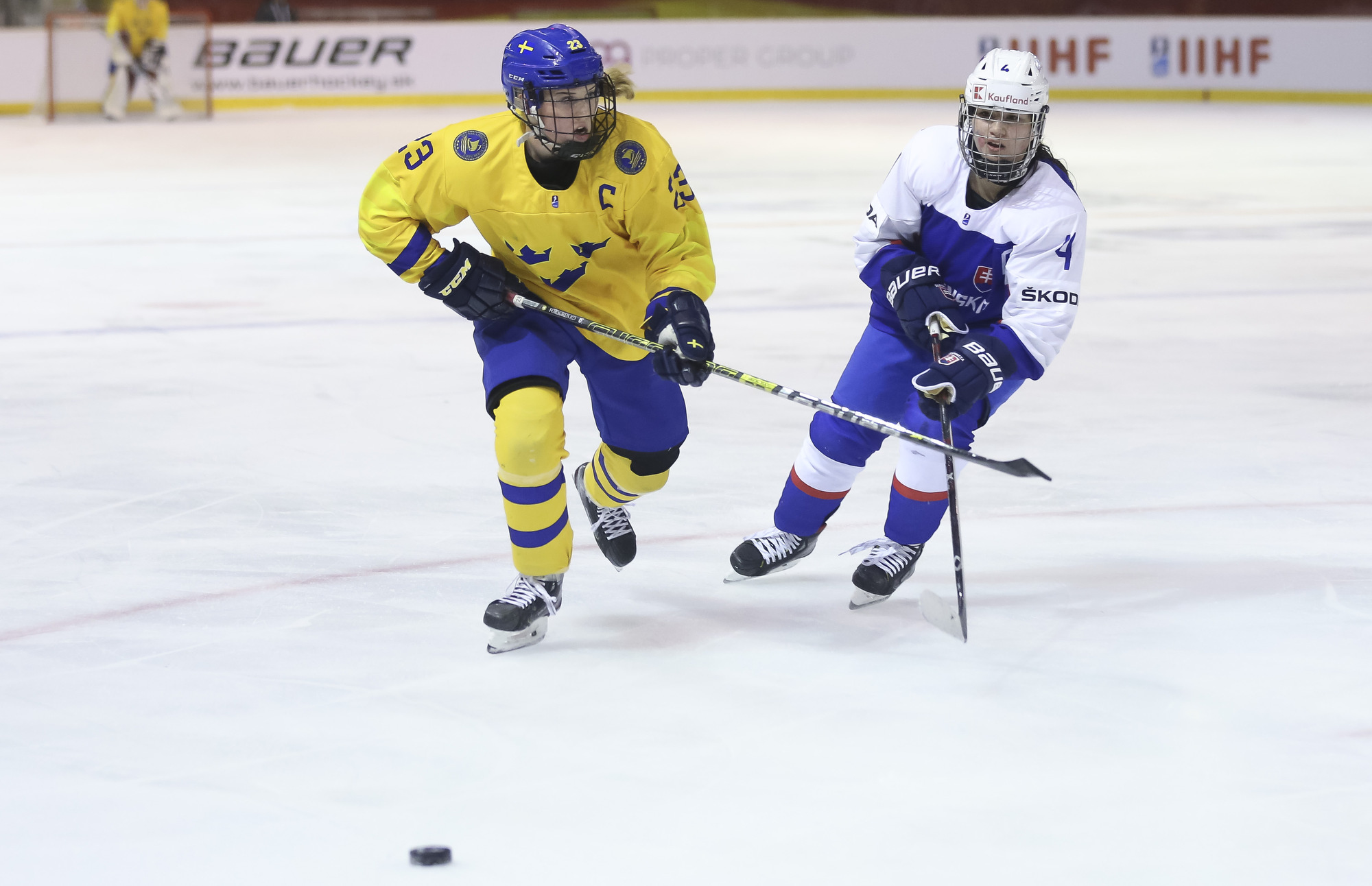 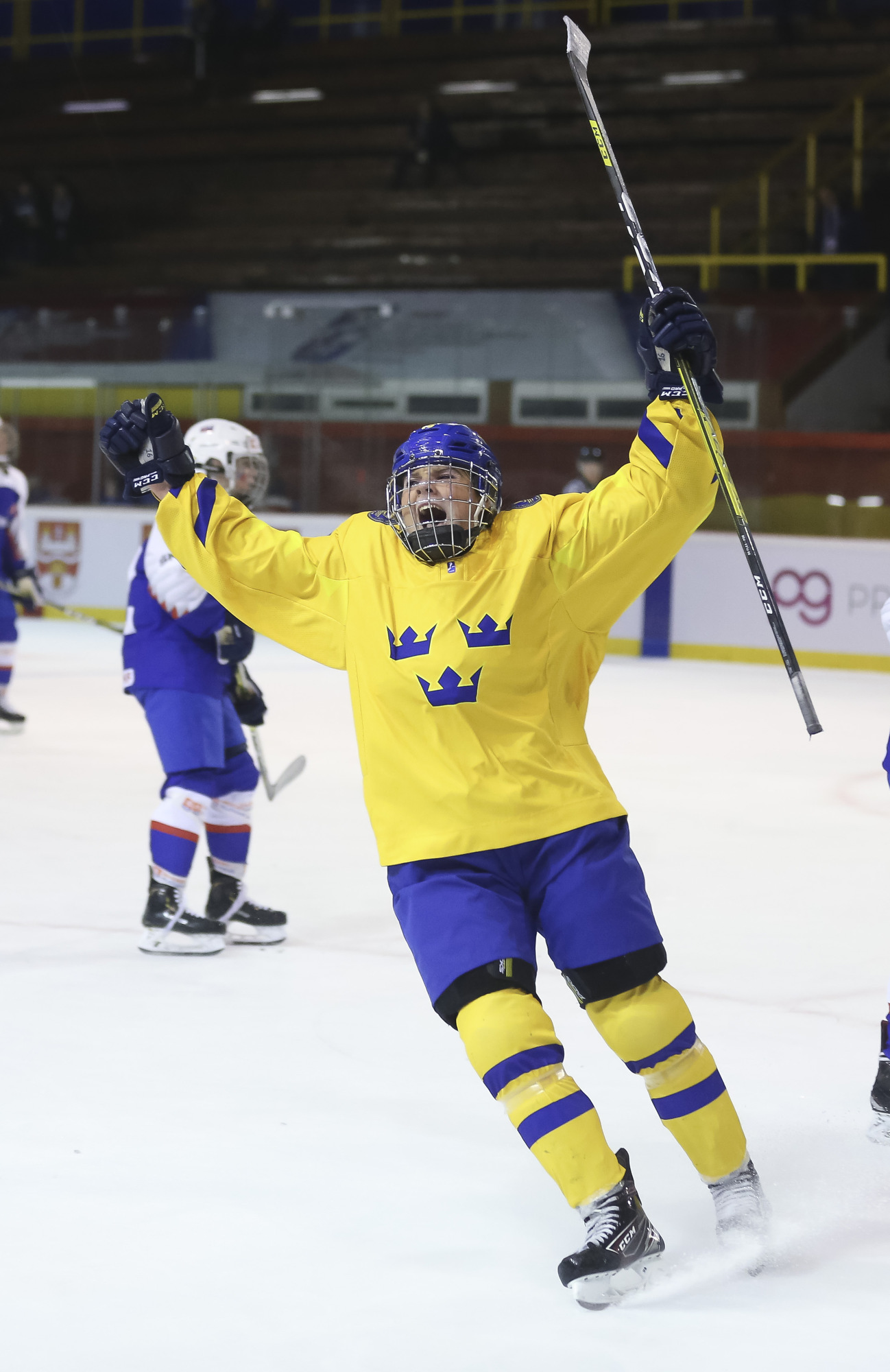 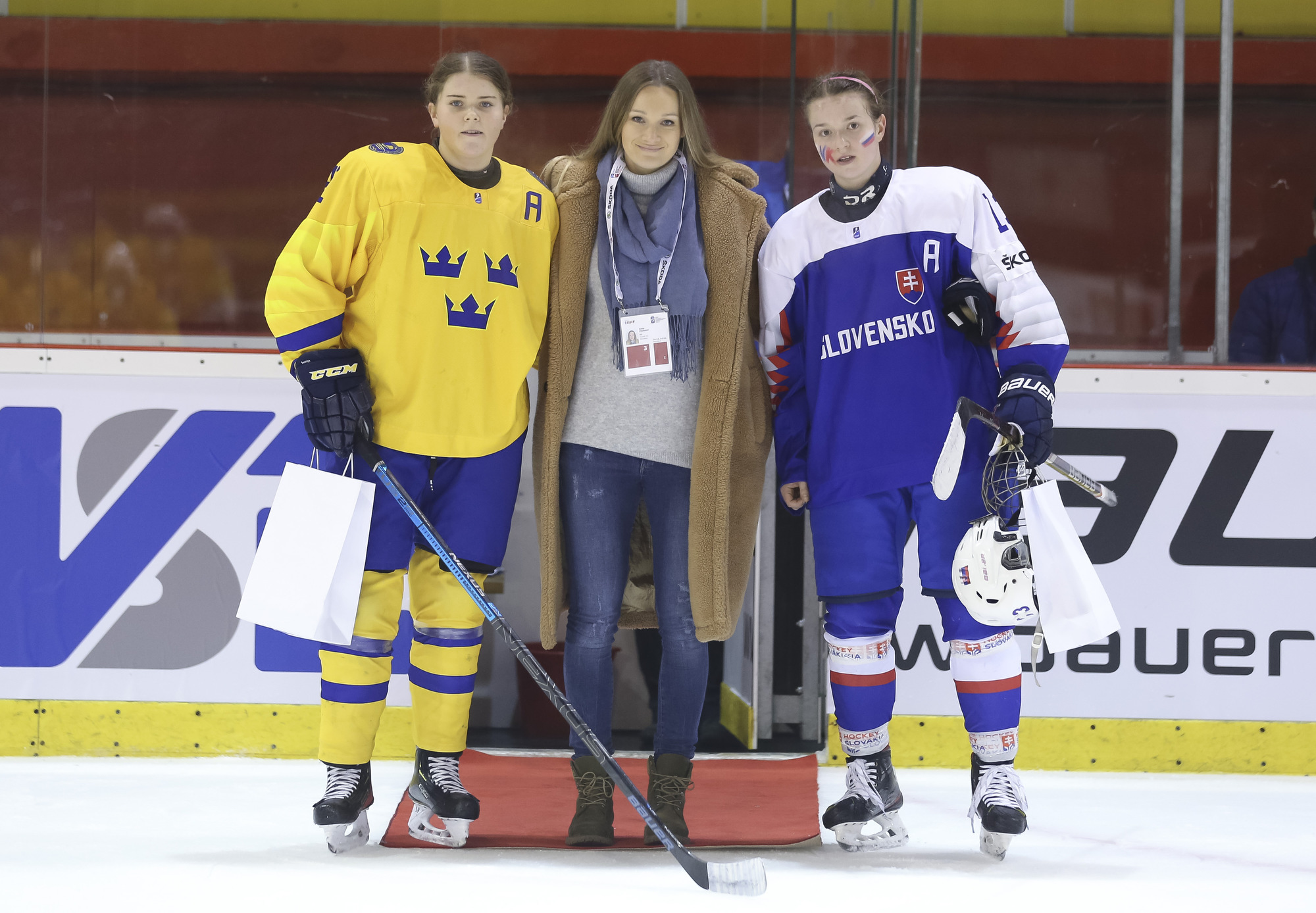 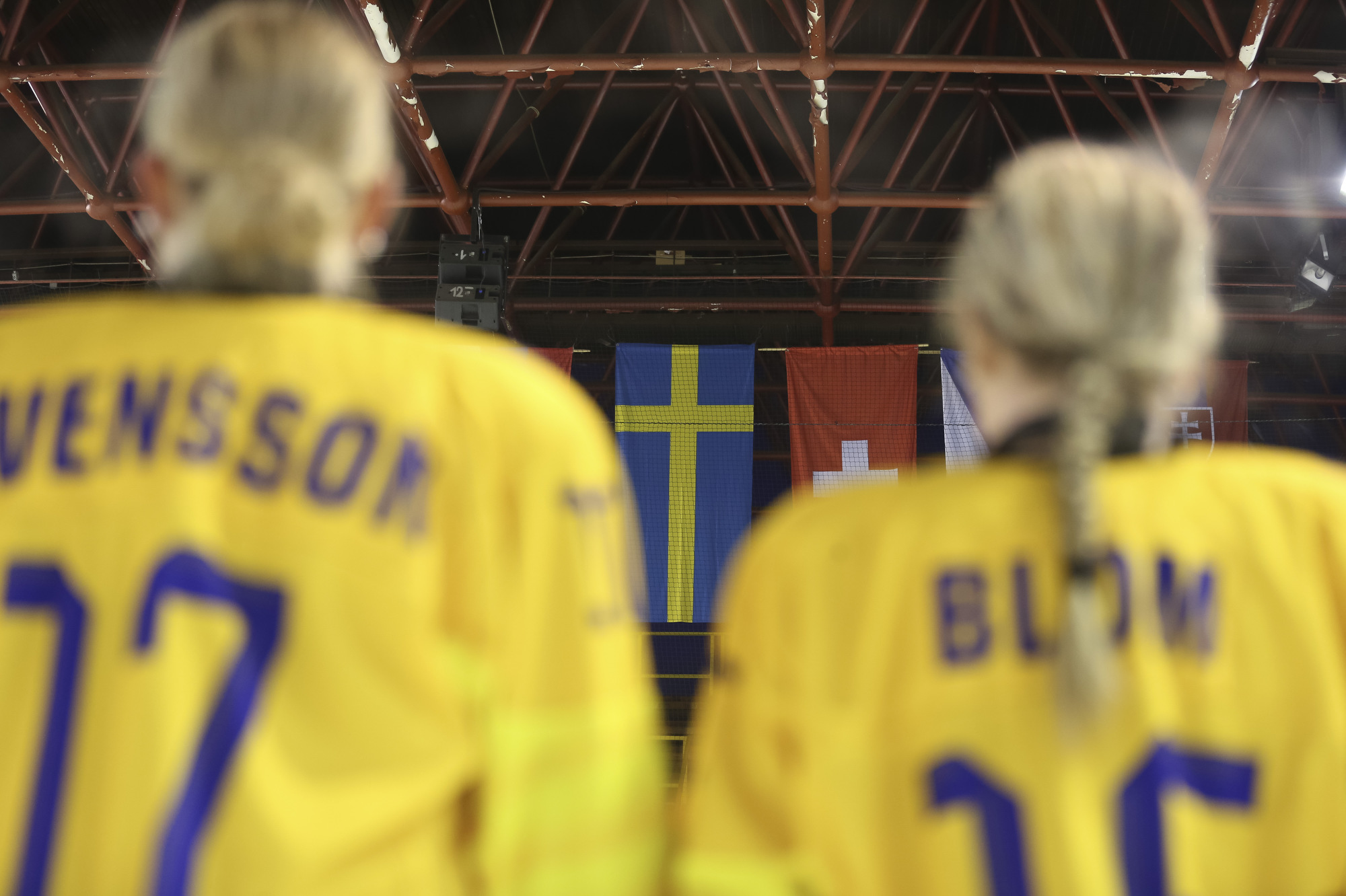 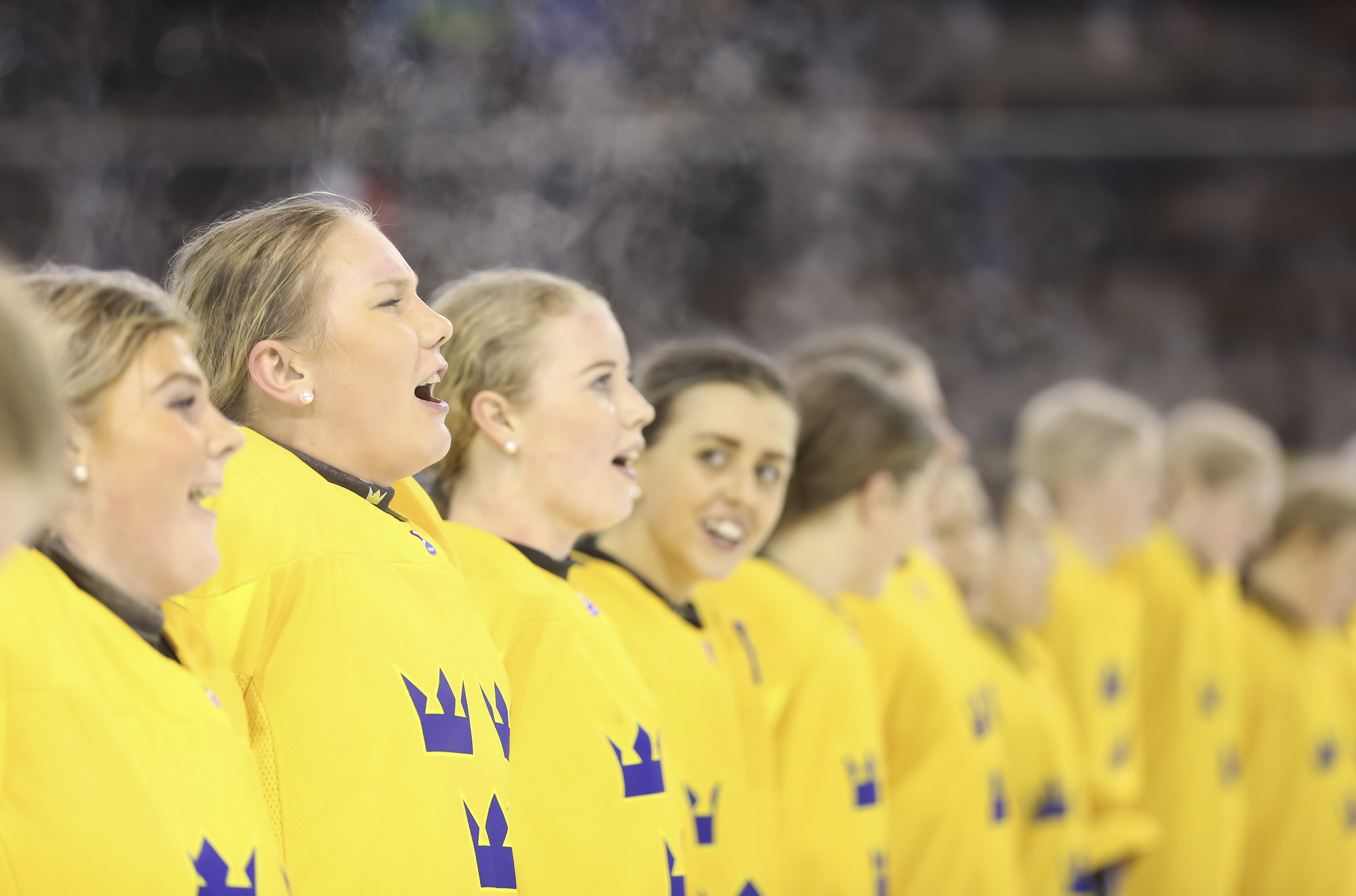 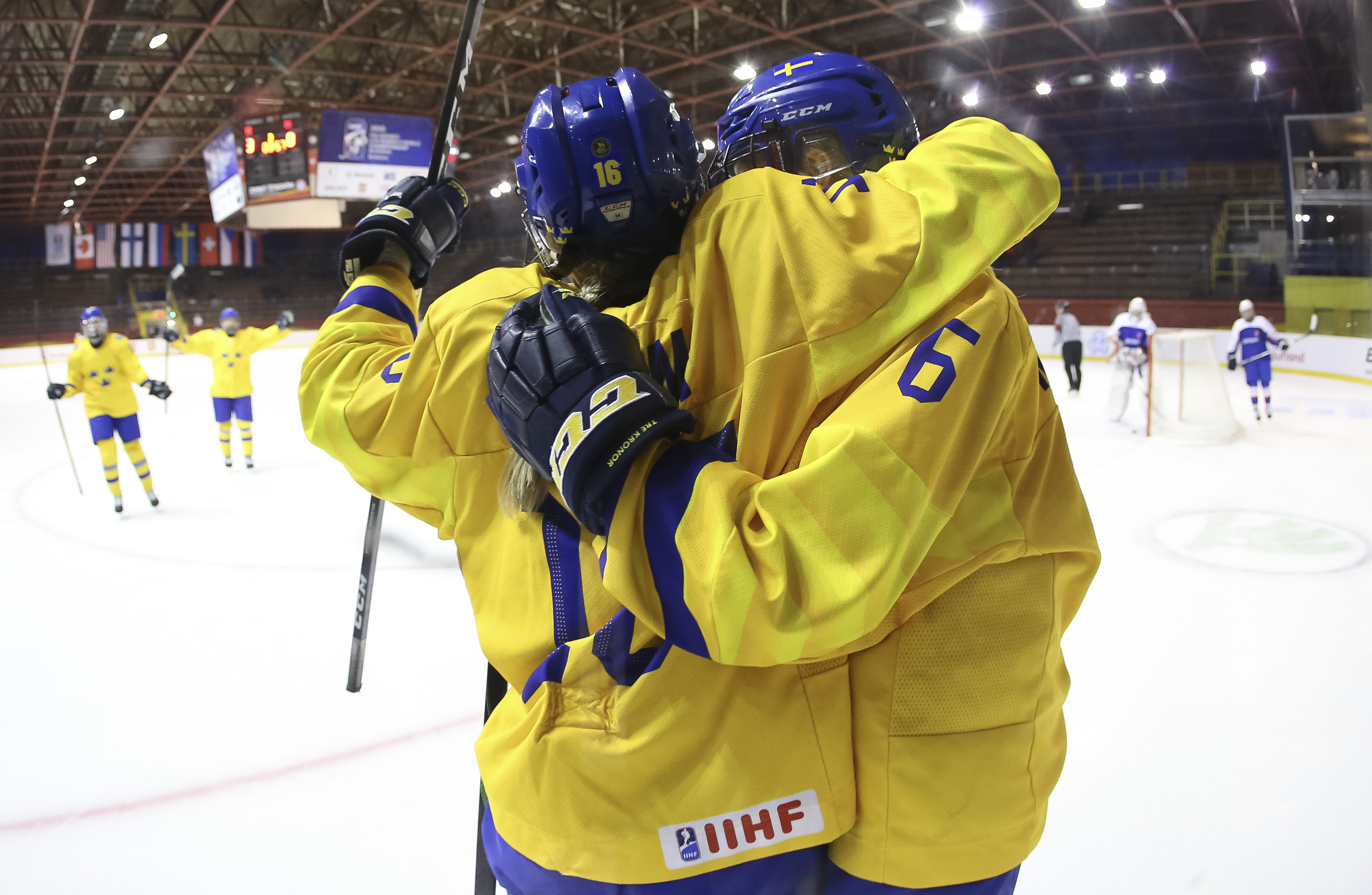