Impressive Russians into SF
Russia's Viktoria Butorina stickhandles the puck against Sweden's Thea Johansson (#28) and Annie Silen (#4).
photo: Steve Kingsman / IIHF-HHOF images
share
Russia hasn’t won a medal at this championship since taking bronze in 2017. But the class of 2020 looks capable of ending that wait – and a convincing victory over Sweden sets up a semi-final against a USA team that could only edge a 1-0 verdict in a hard-fought group stage meeting between the teams last week.

The Russians have impressed here. A first line of Shashkina, Luchnikova and Korzhakova has provided offensive power, with Kristi Shashkina’s three points on Monday evening lifting her to the top of the scoring charts in Bratislava.

Then there has been solid defence and reliable goaltending in evidence. Anna Alpatova, who currently plays with Tornado Dmitrov in Russia's Women's Hockey League, claimed a shut-out against Sweden, but she and her understudy Yulia Volkova also impressed during those trans-Atlantic battles in the group phase, where Russia took Canada to overtime before their narrow loss to the Americans. Indeed, Russia had the second best save percentage of the group stage, stopping 93.41% of the shots it faced.

So there's plenty of confidence in the team ahead of Wednesday's semi-final meeting with the USA.

"Everyone is in a good frame of mind ahead of that game," said forward Yelizaveta Shkalyova. "We're ready for the fight. We'll do everything we can and battle to the last. We want to get more shots on their net and keep trying to get the puck there however we can."

Russia wasted little time in stamping its authority on Monday’s quarter-final match-up against the Swedes. In the first minute, Varvara Boriskova rushed through to carve out a big chance for herself, only for Ida Boman to make the stop. That set the tone for a busy opening frame for the Swedish goalie, who faced 17 shots in the session.

And the Red Machine took its chances. First, Kristina Glukhareva got a redirect on a puck that flashed goalwards from the right-hand circle after good work from Polina Kirichenko behind the net. For Glukharova, a 16-year-old playing for Dynamo St. Petersburg, it was a first World Championship goal after she made her debut in last year’s tournament in Japan; for Russia it was the first step towards an important win.

"This was a great result for our team," said the scorer. "Even though the game wasn't always easy, we took our chances and things got a bit easier after we went in front in the first period. We were all so determined to win, nobody was going to ease up and we kept looking for more goals."

Late in the frame, Russia deservedly extended its lead. After play got bogged down behind the net, Polina Luchnikova sent the puck out in front and Veronika Korzhakova’s one-timer was too good for Boman.

Sweden needed a fast start to the second period if it was to find a way back into the game, and Ella Albinsson almost provided one. She won the puck in centre ice and headed off to the races. Up close with Russian goalie Alpatova, the Karlstad native looked to deke past her but couldn’t get the final touch to slide the puck into the net.

That chance lifted the Tre Kronor and the second period was a more even contest. The teams shared 14 shots between them without adding any more goals.

At the start of the third, though, the Russians took the game away from Sweden. The impressive first line was at it again, with Luchnikova sliding a pass through the legs of a Swedish defenceman to set Shashkina through on goal. She made no mistake to claim her fourth goal of the tournament.

The SKIF Nizhni Novgorod forward was involved again as Russia added a fourth on the power play shortly afterwards. Shashkina picked up her second assist of the game as Vita Ponyatovskaya smashed home a shot from the centre point to underline the Red Machine’s dominance. For Ponyatvoskaya, one of few Russian players with North American experience after playing last season with Canada’s HTI Stars, it was her first of the tournament; Shashkina moved to 7 (4+3) points and the top of the scoring charts. 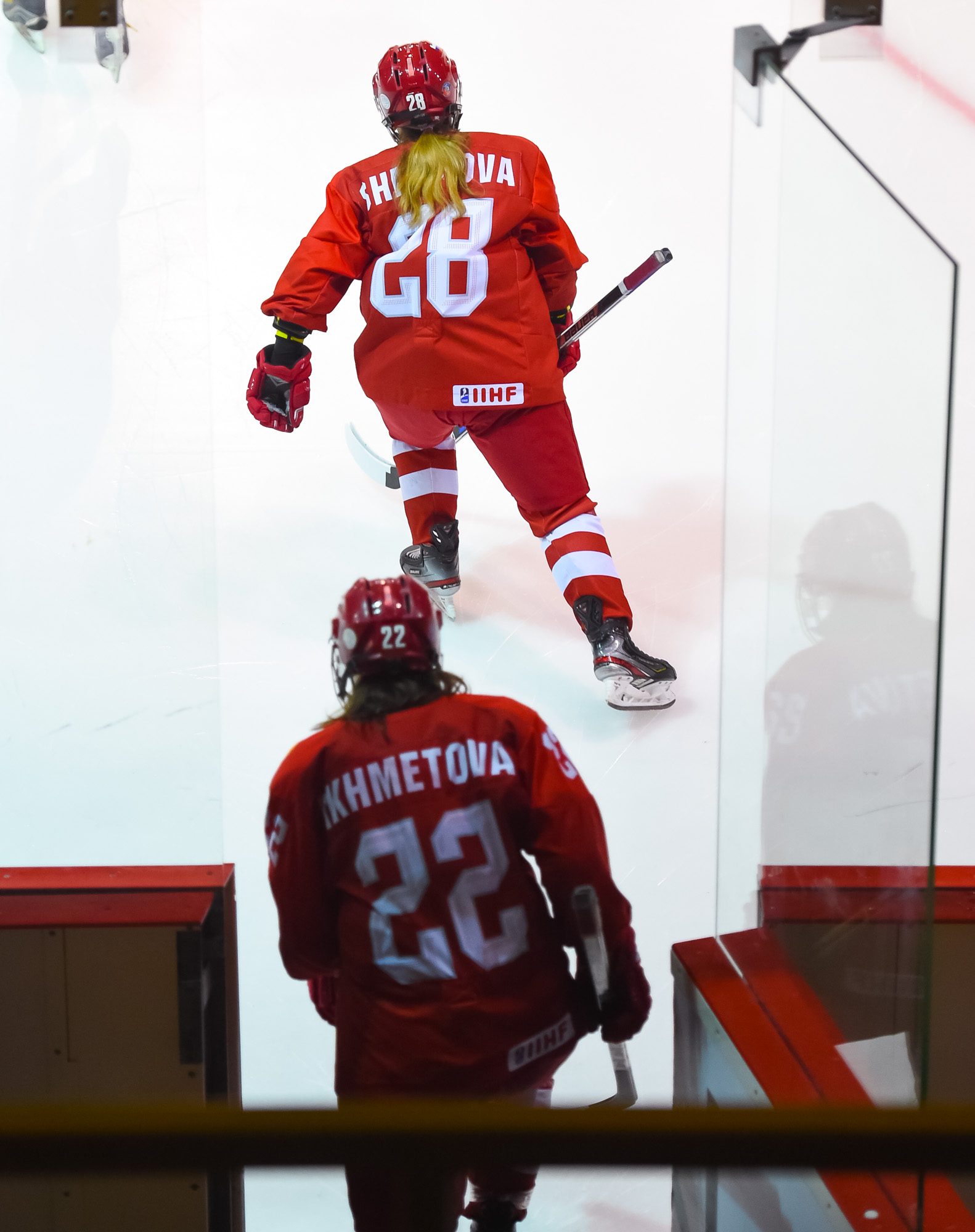 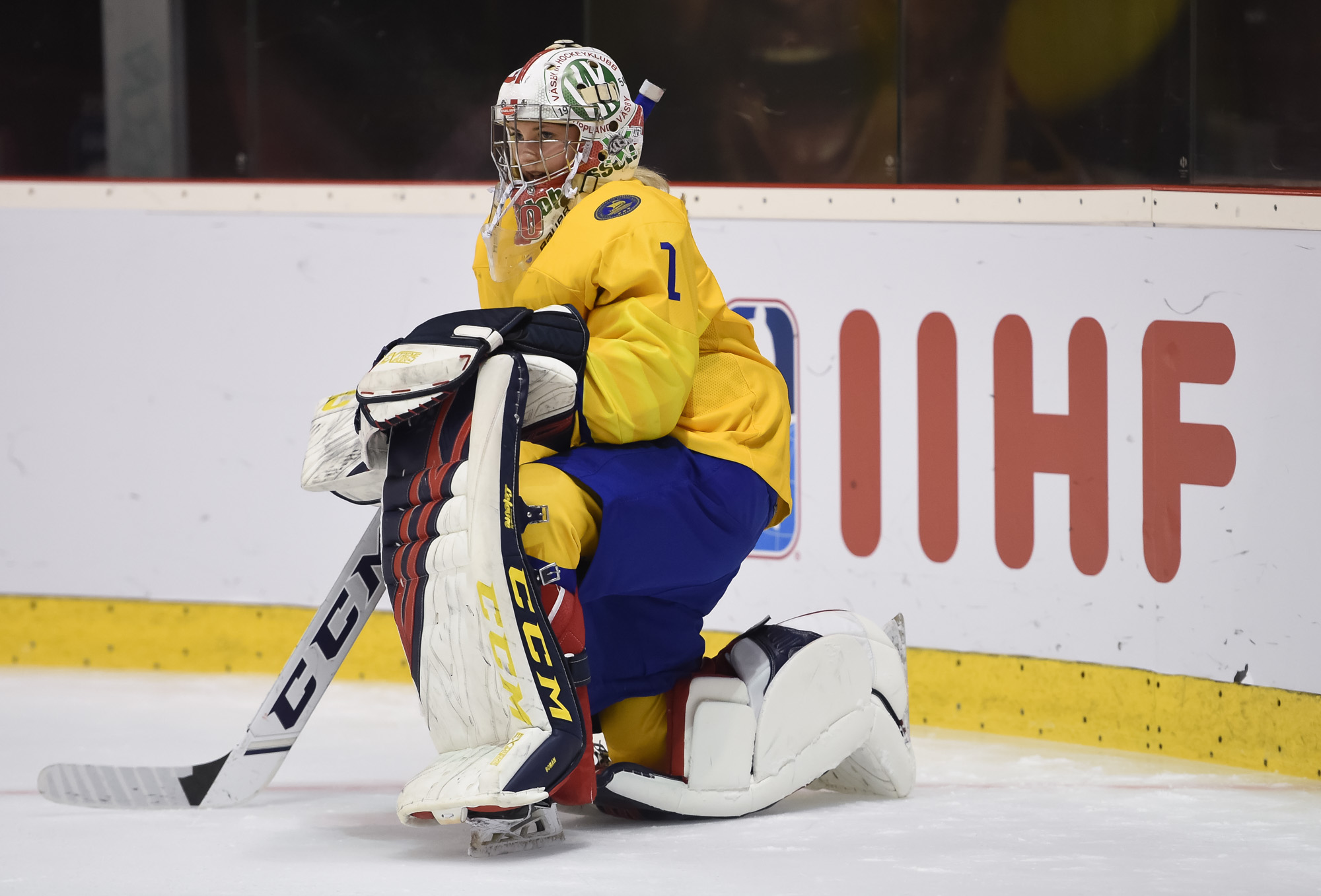 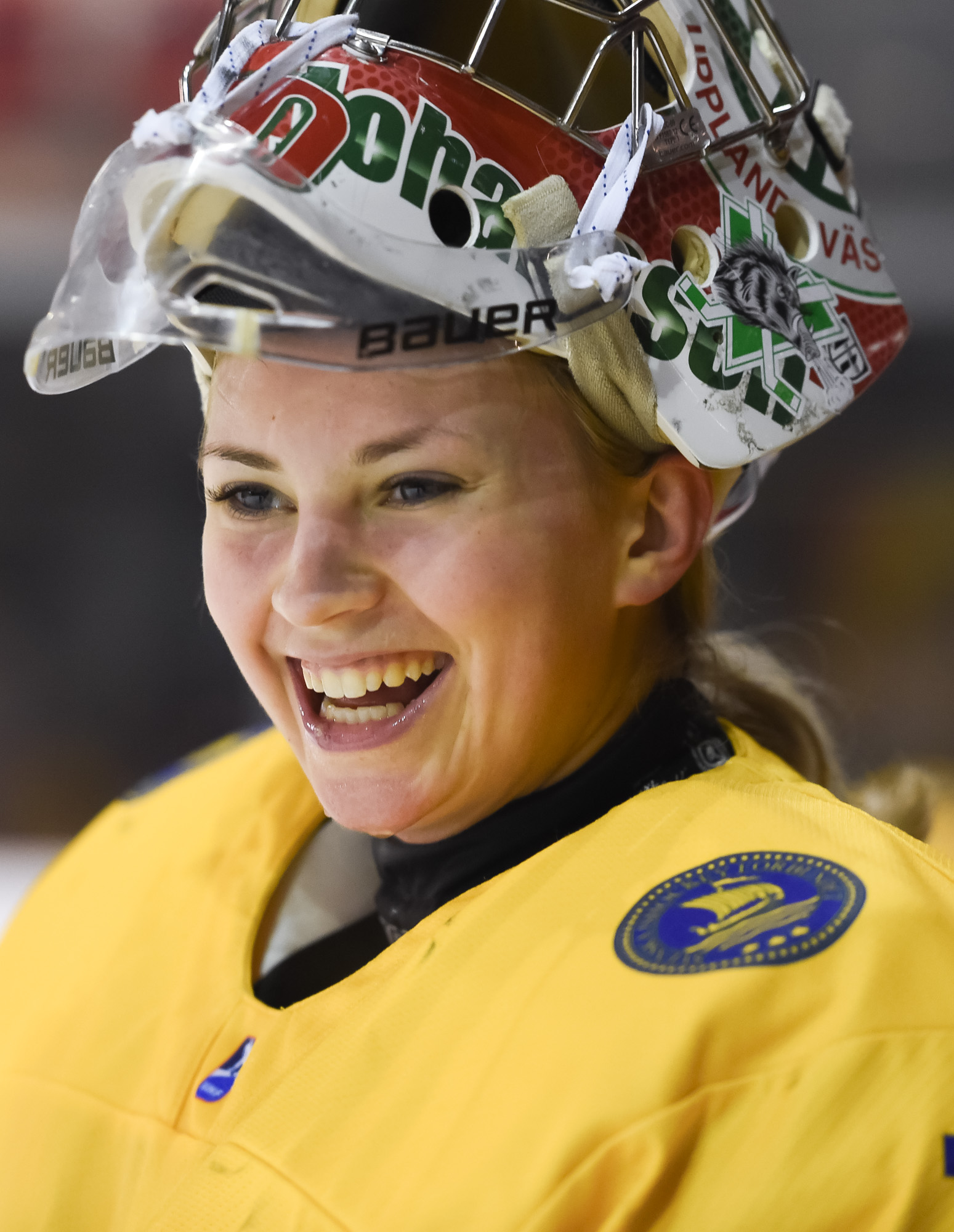 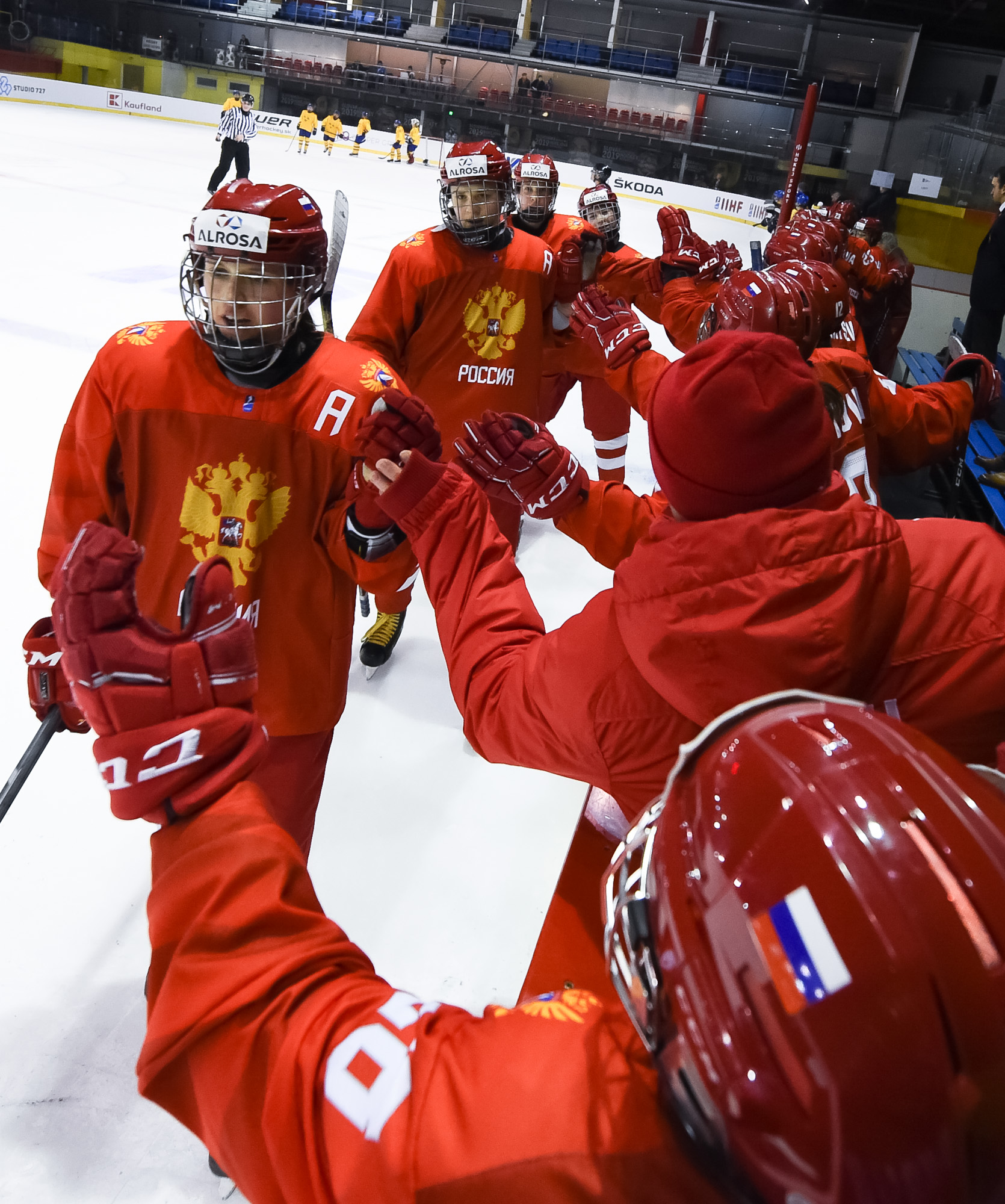 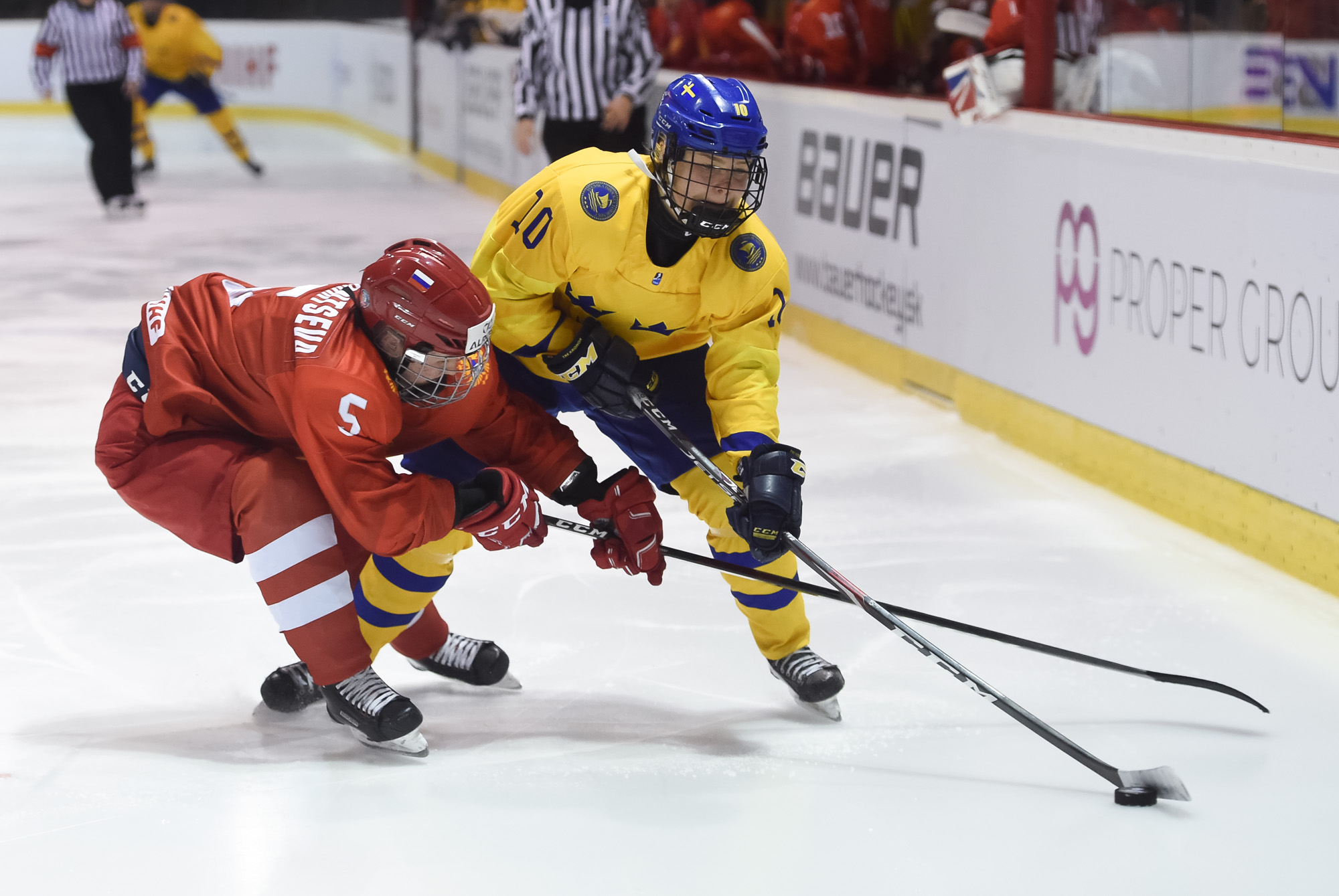 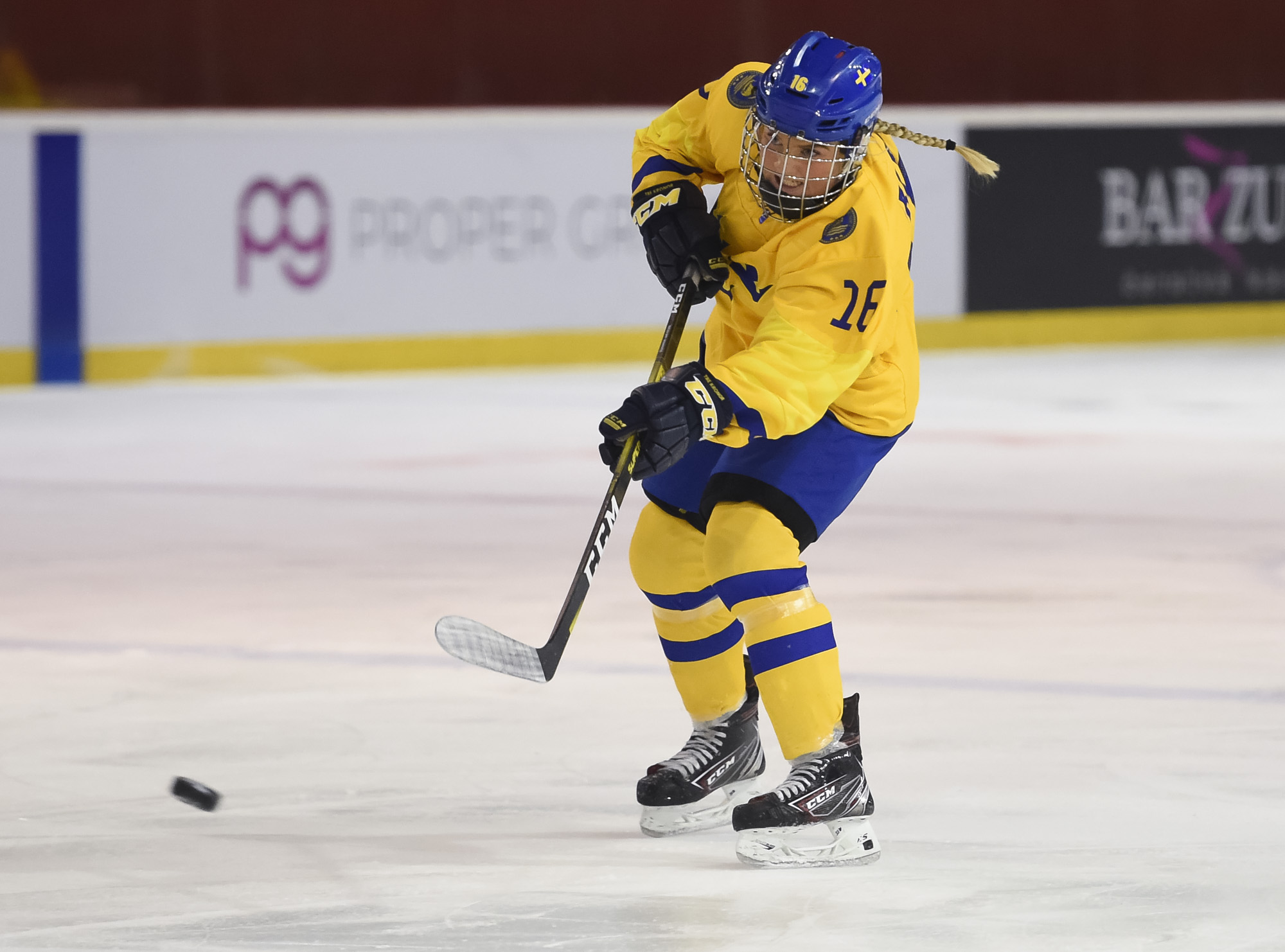 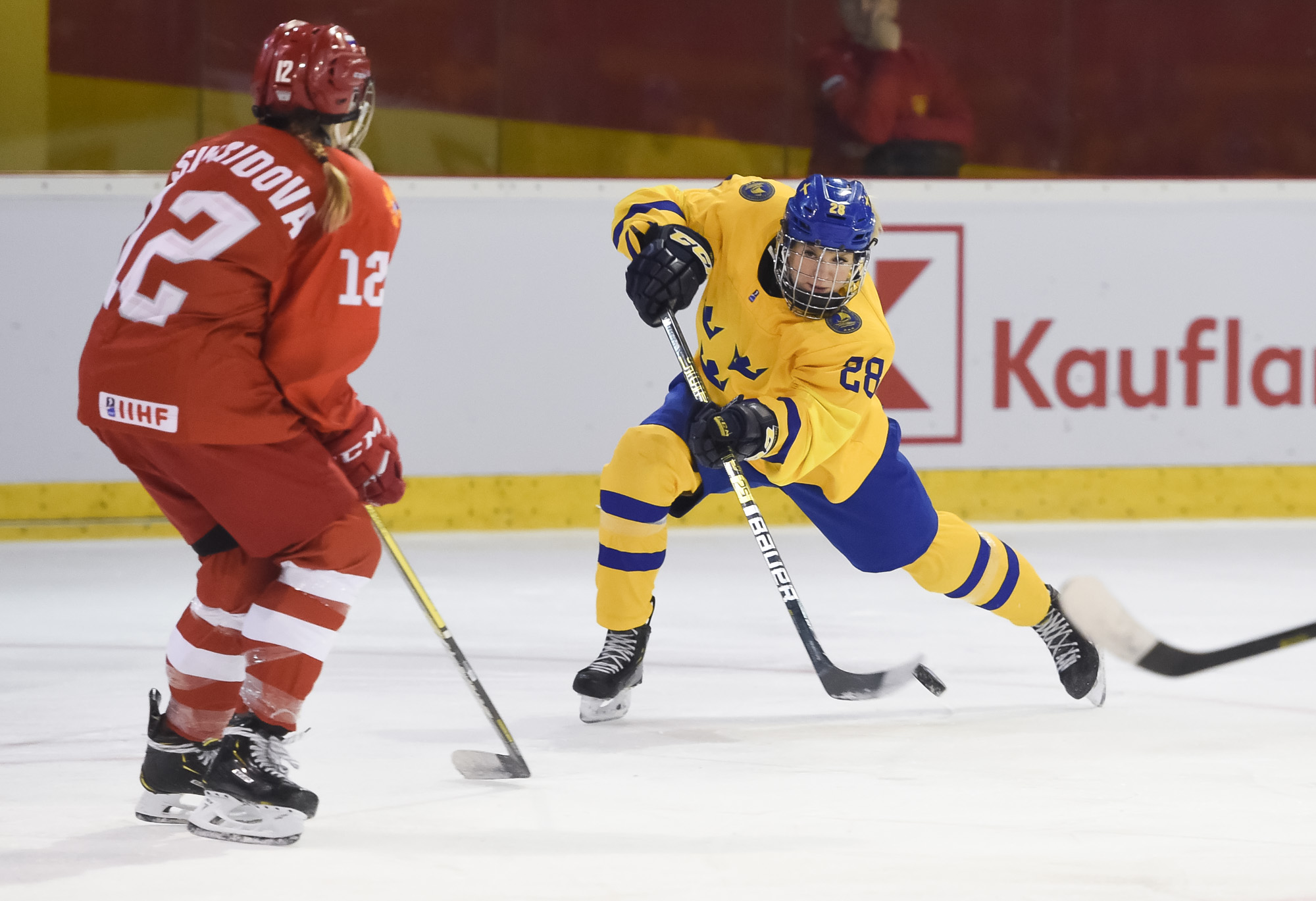 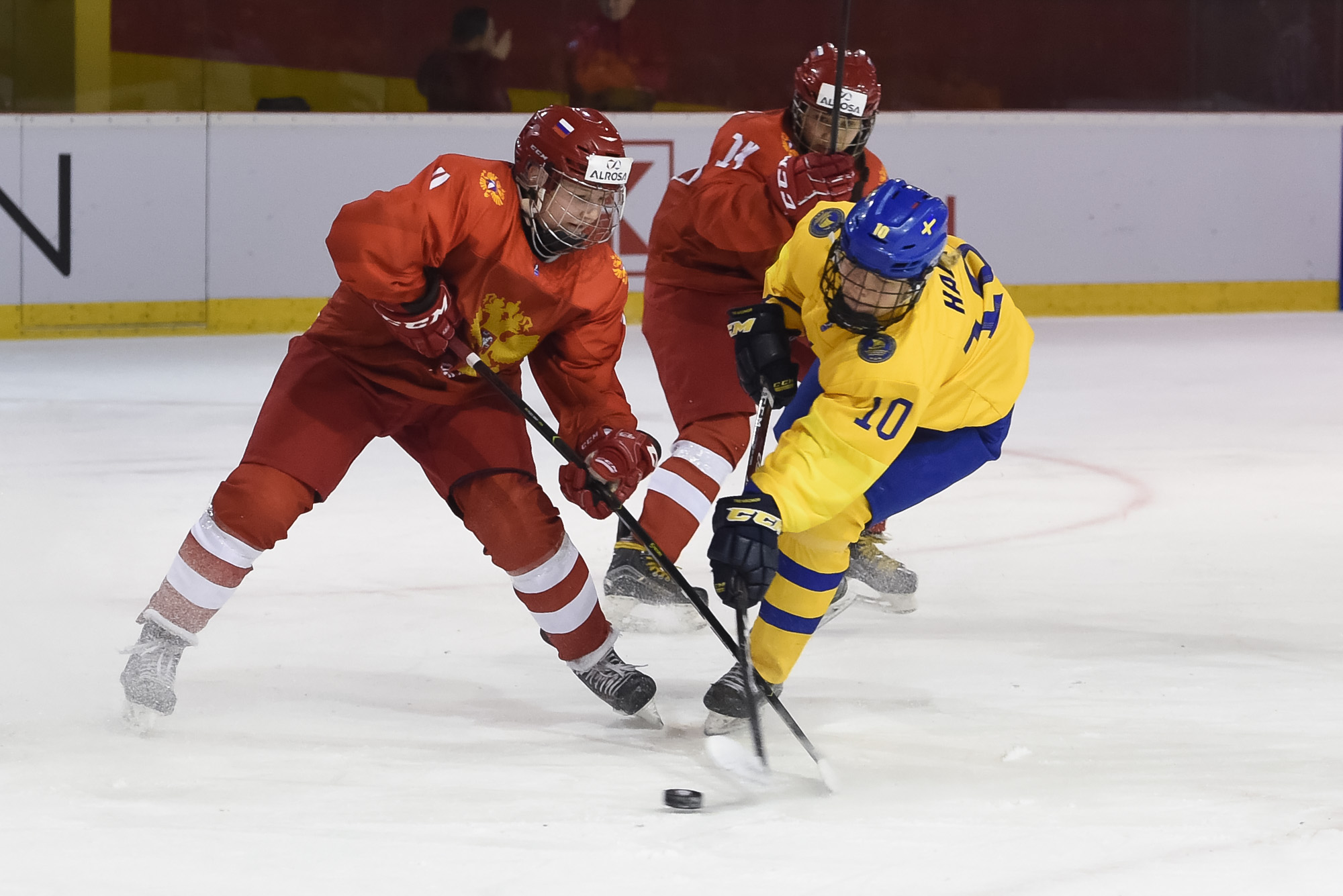 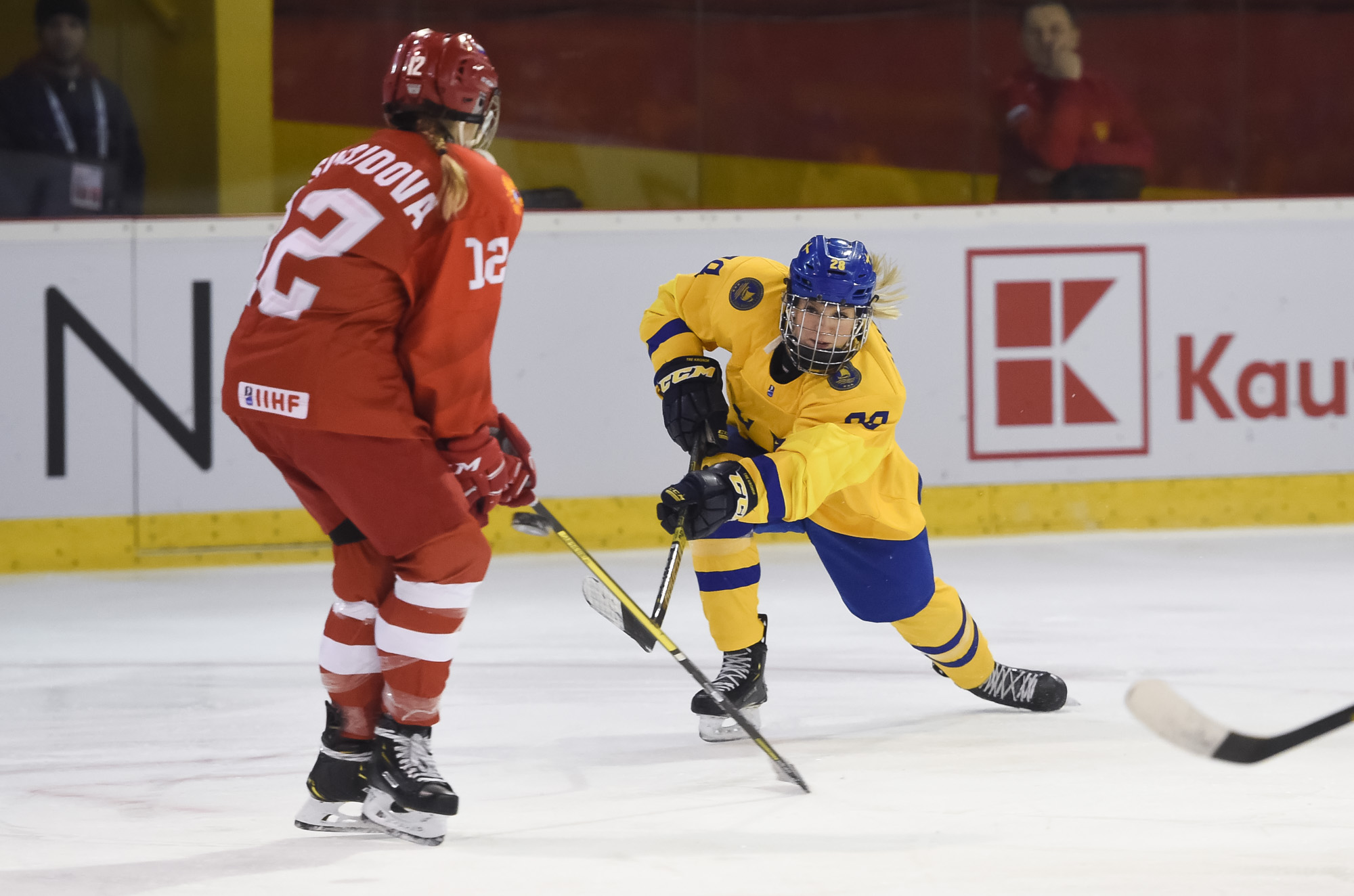 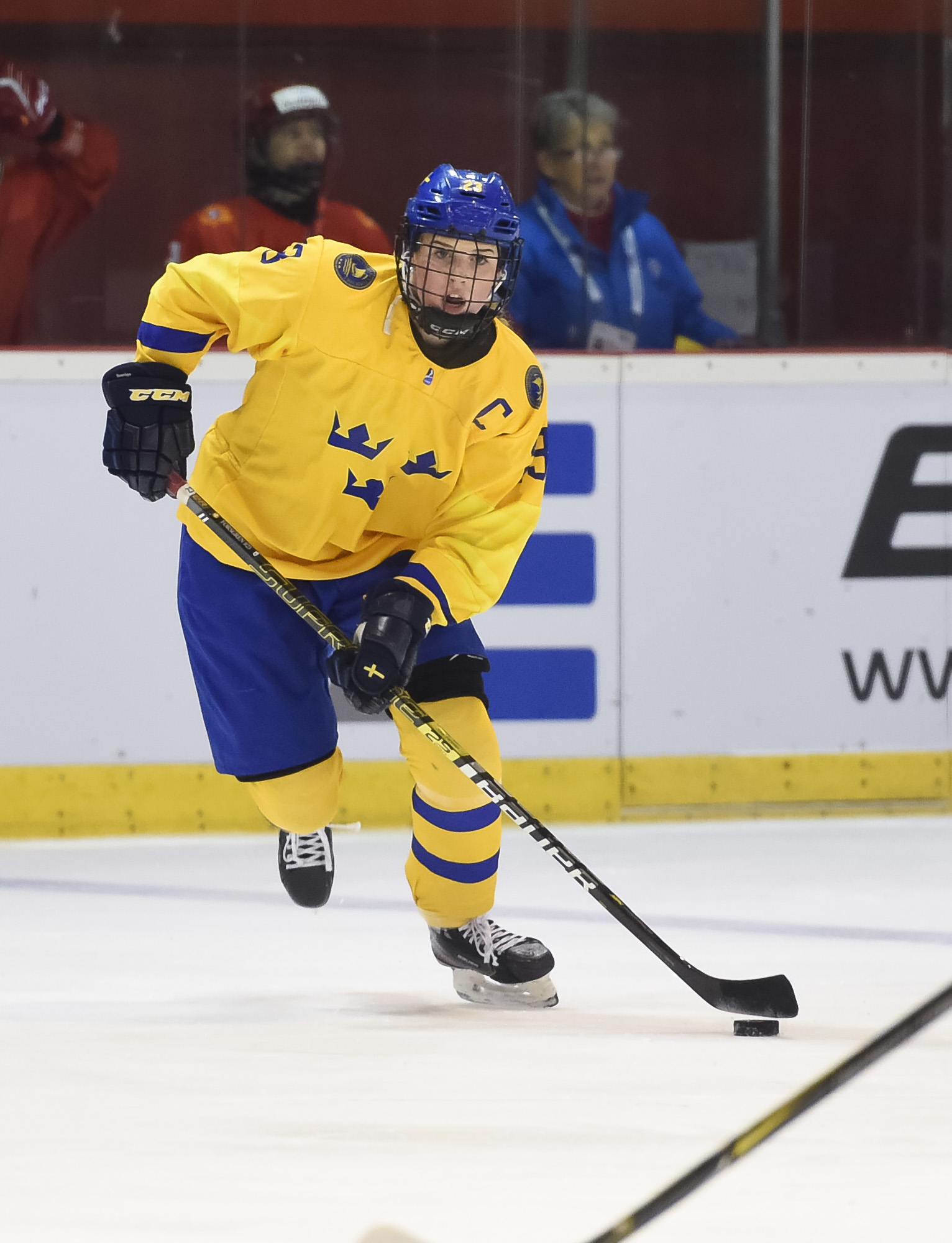 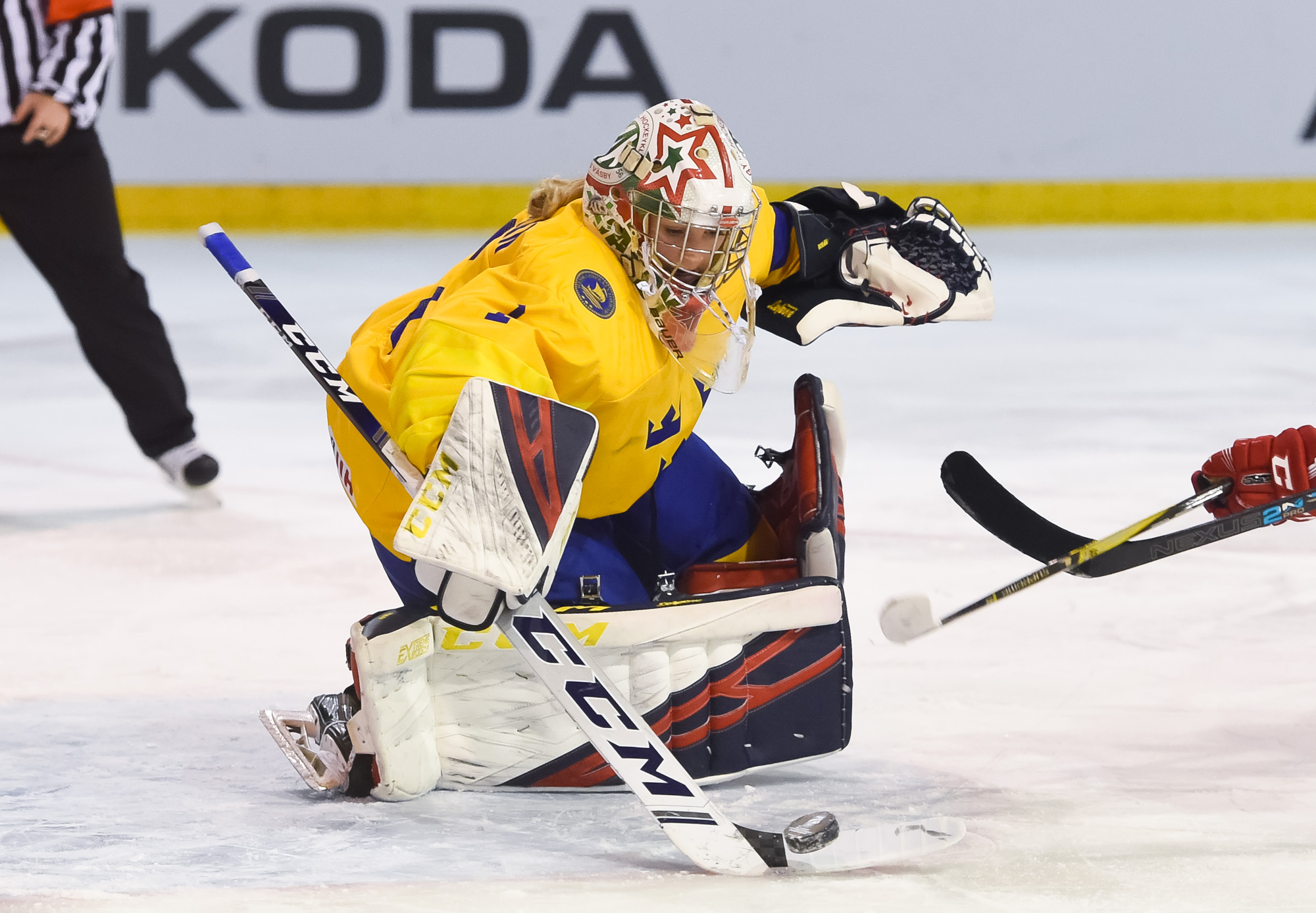 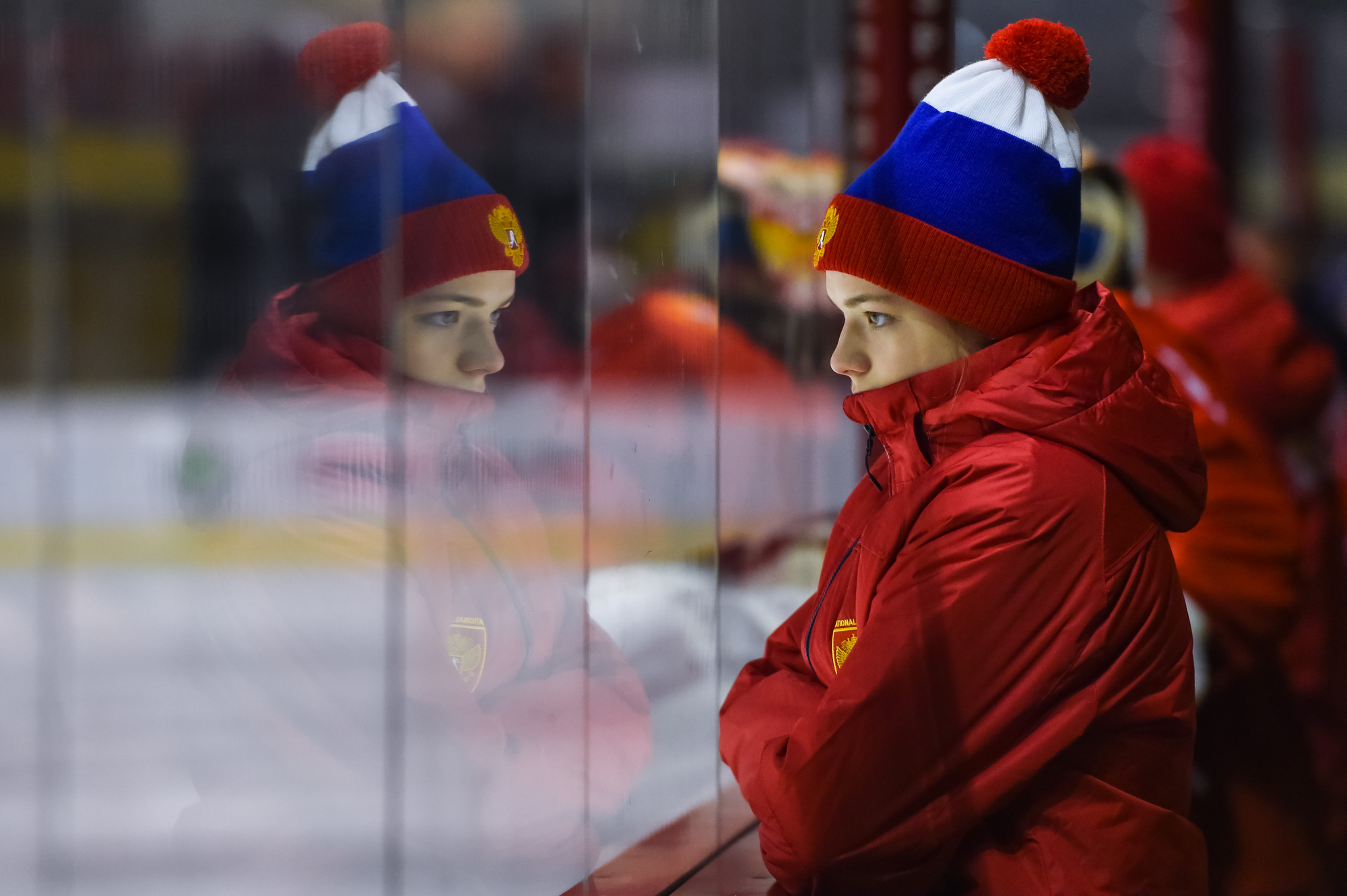 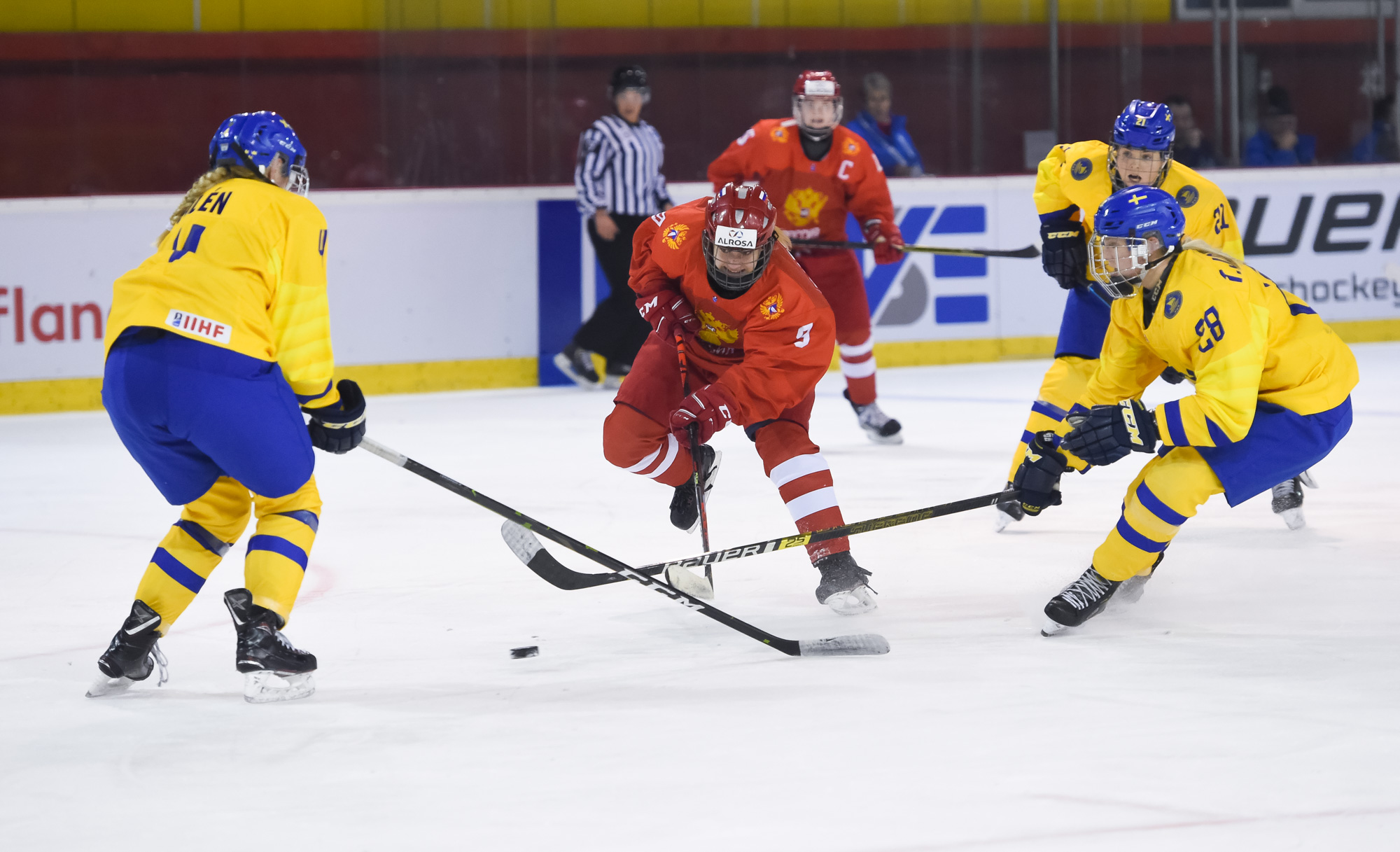 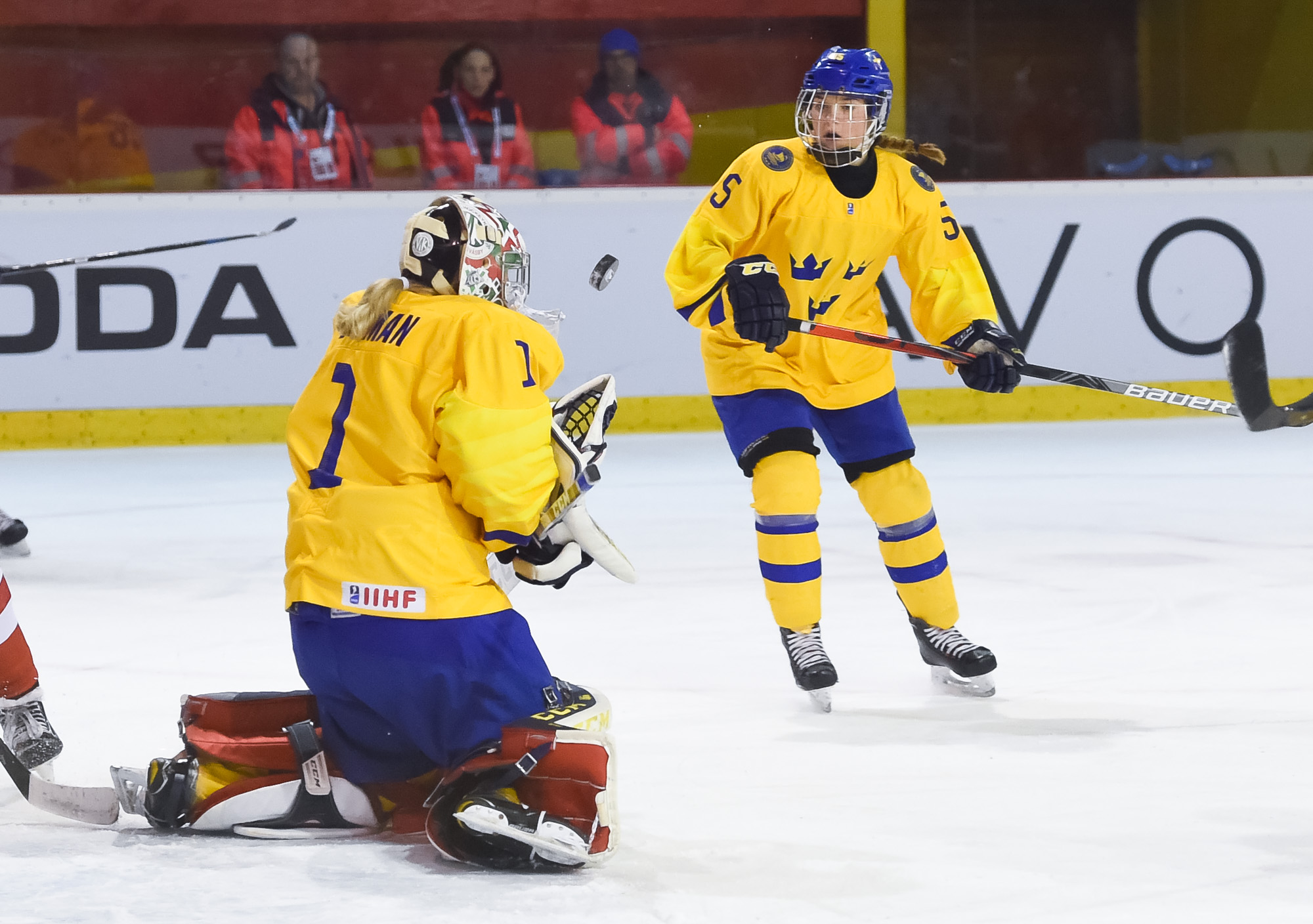 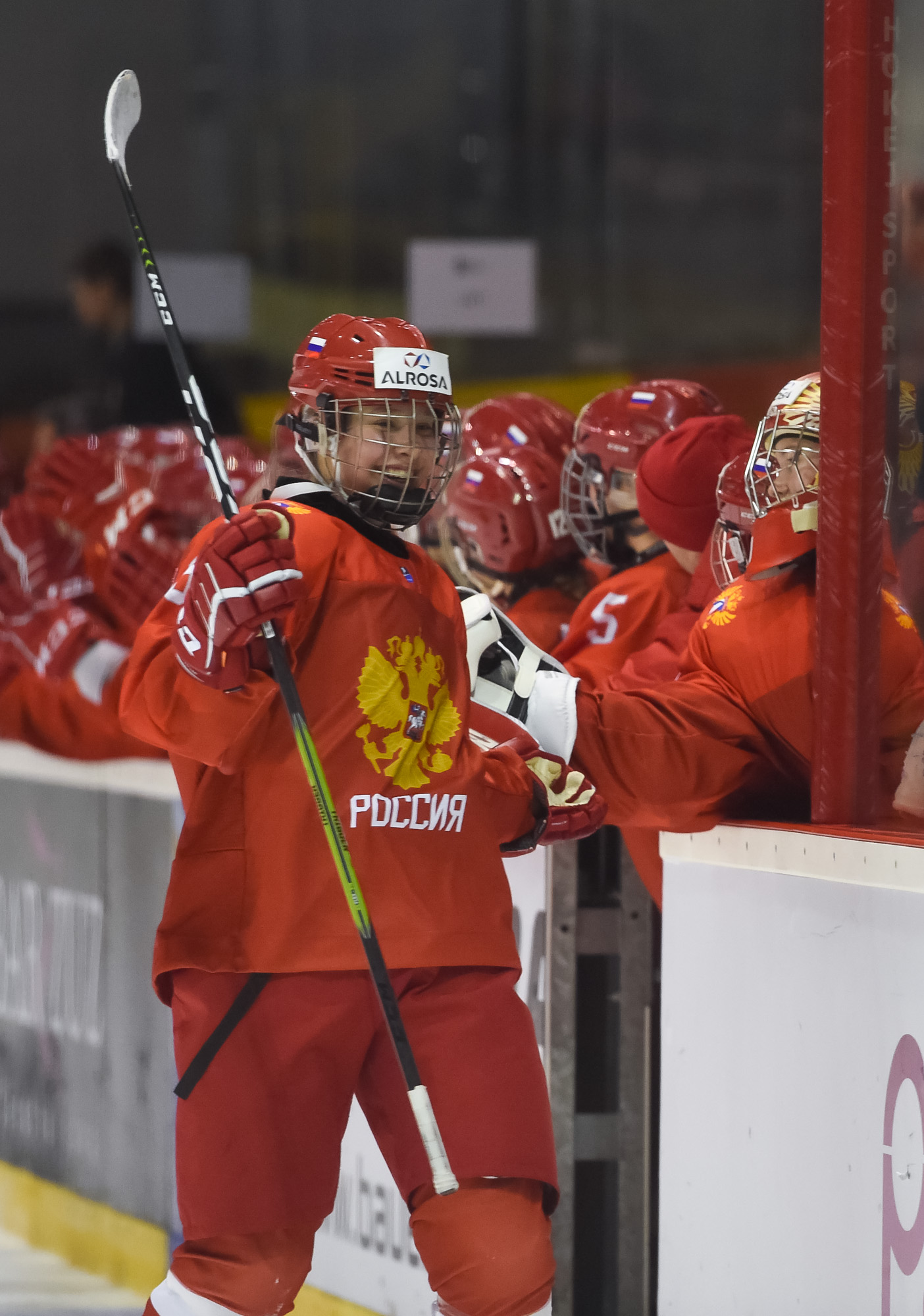 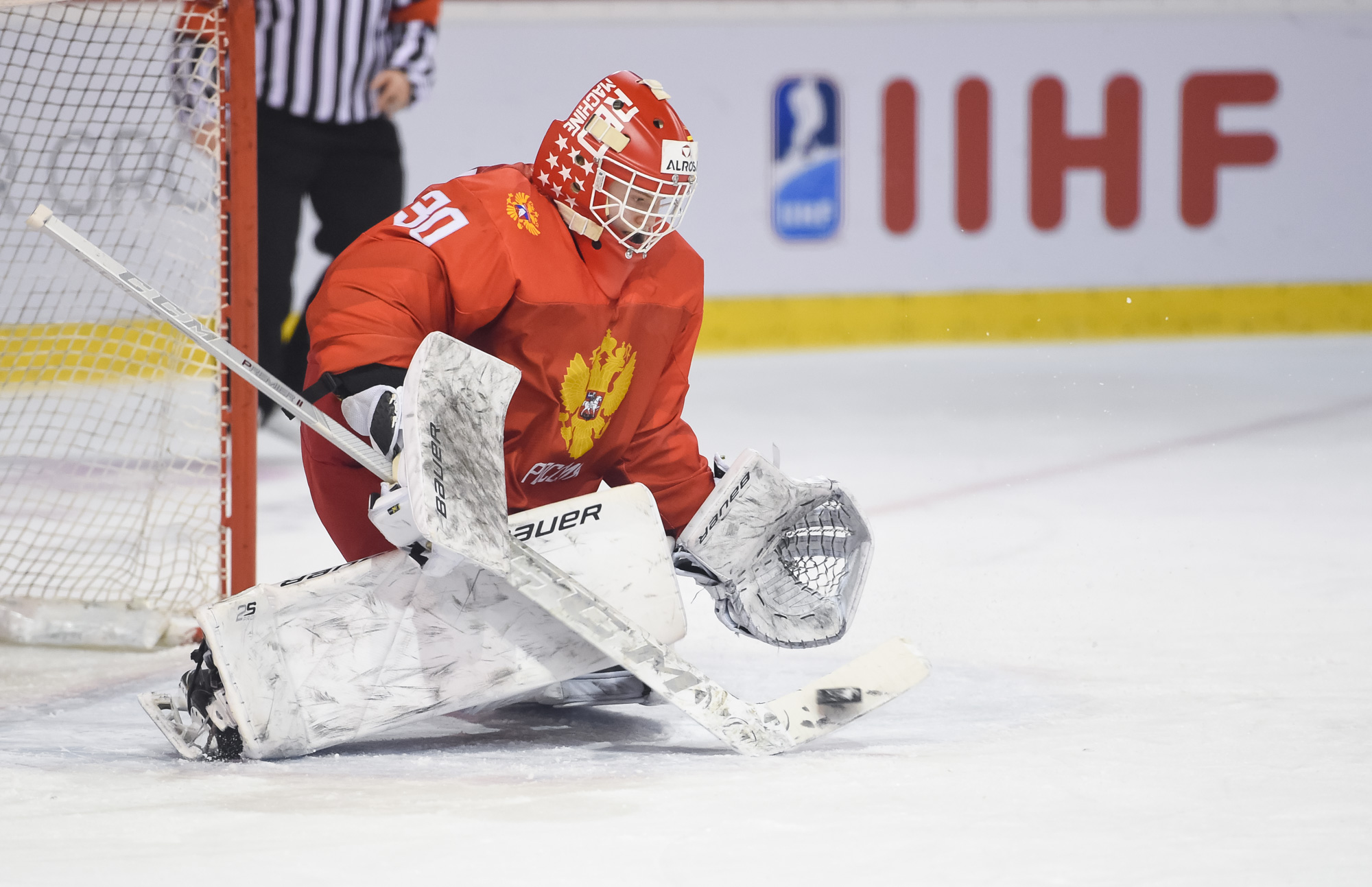 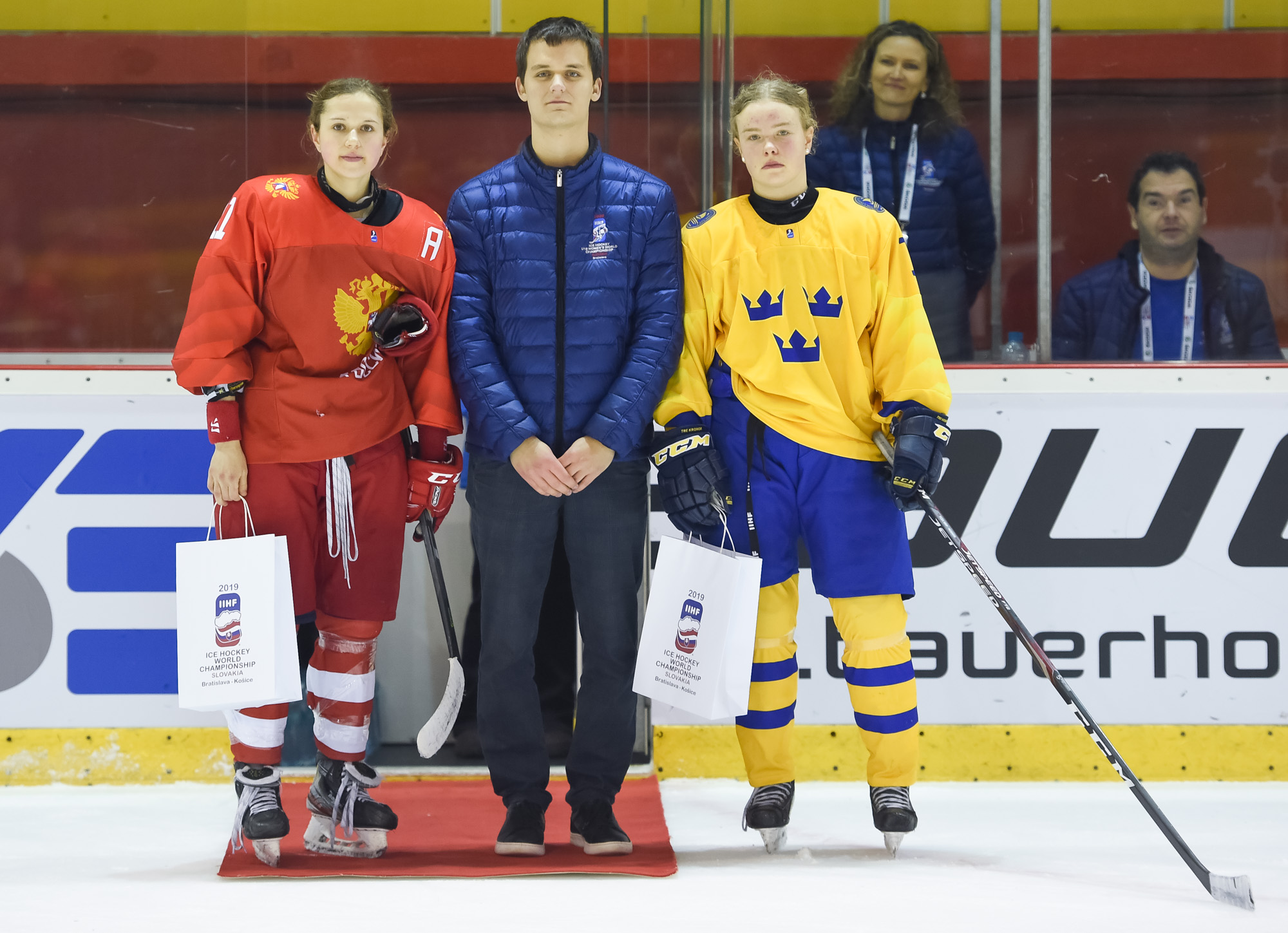 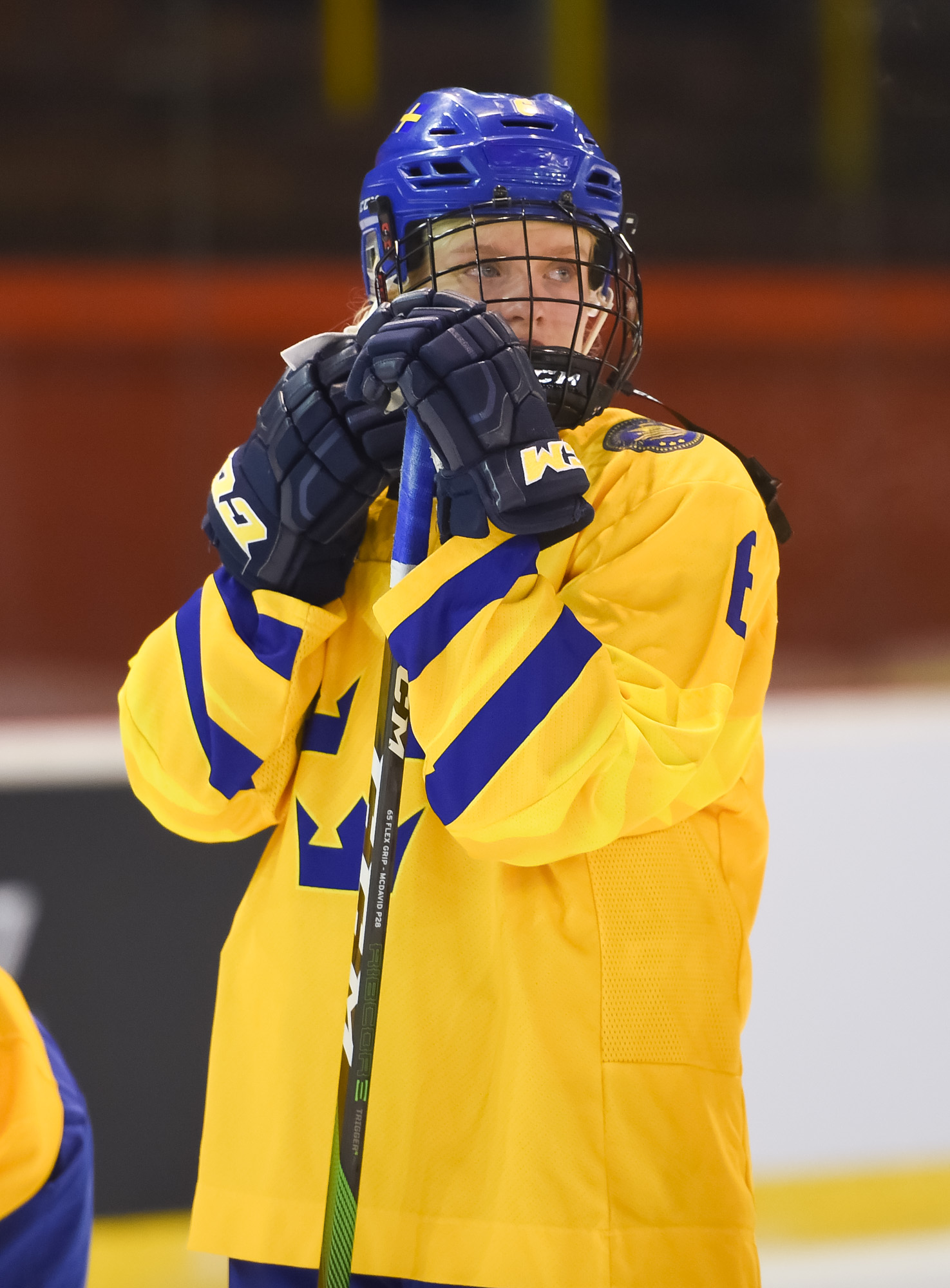 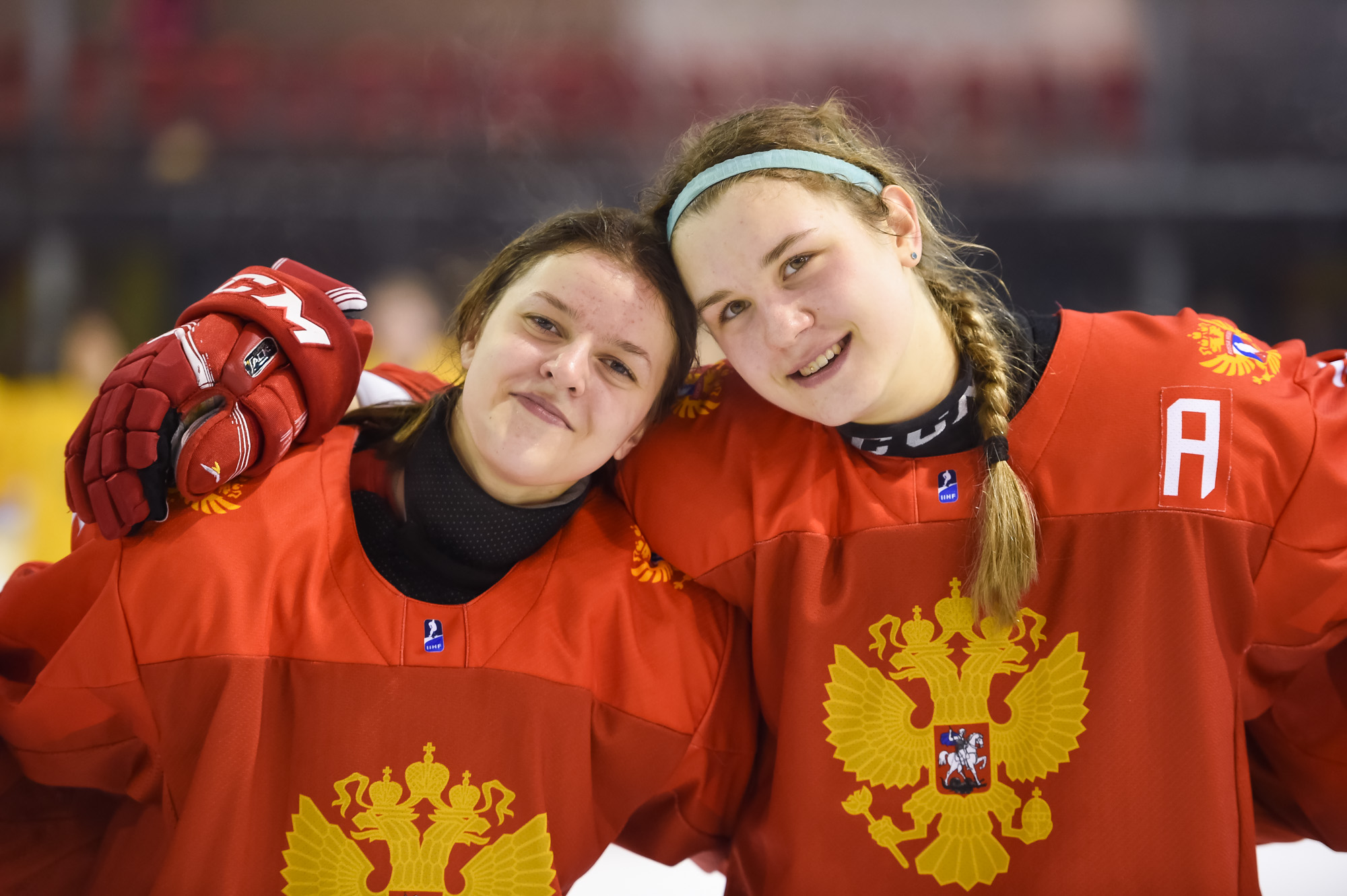 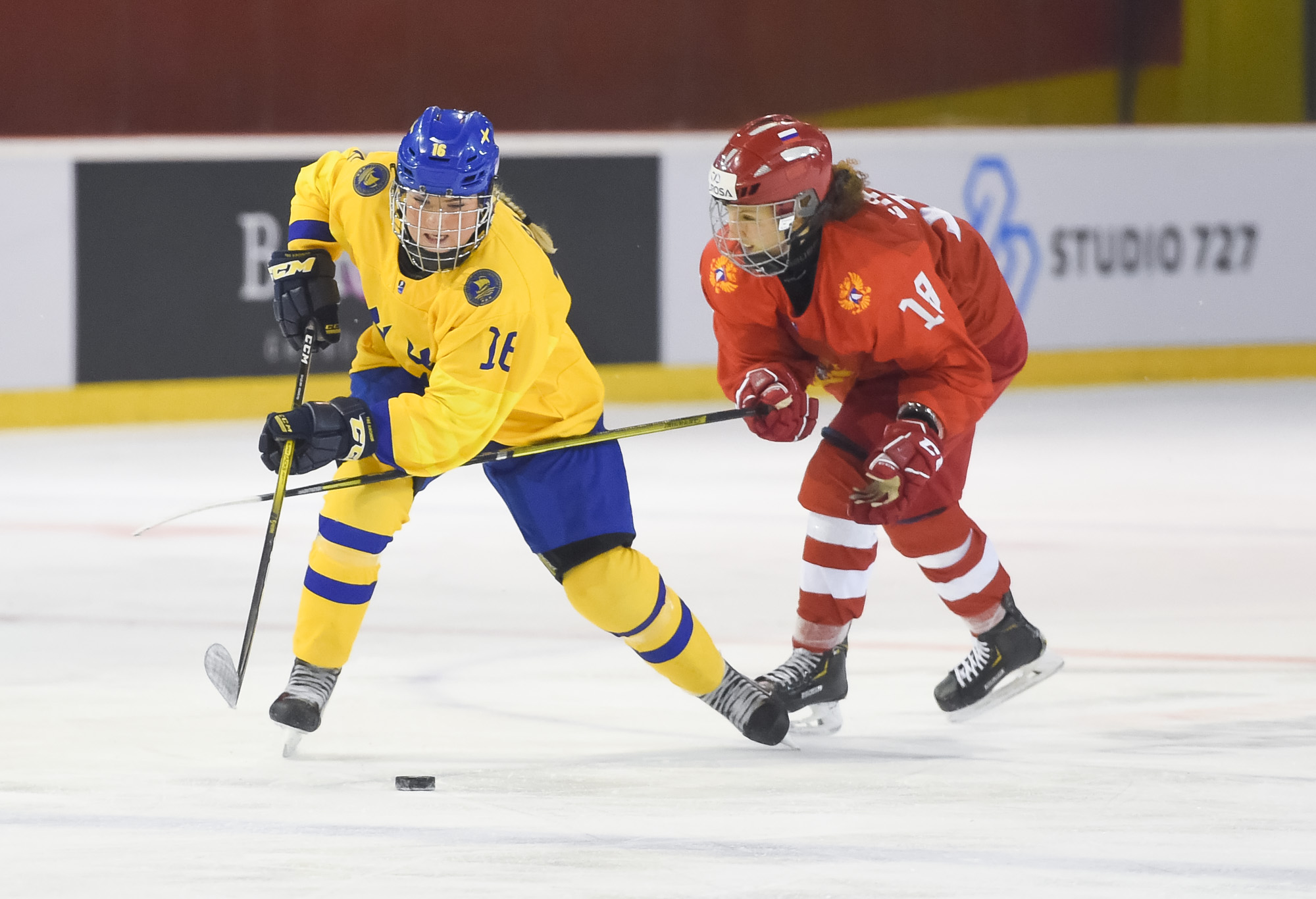 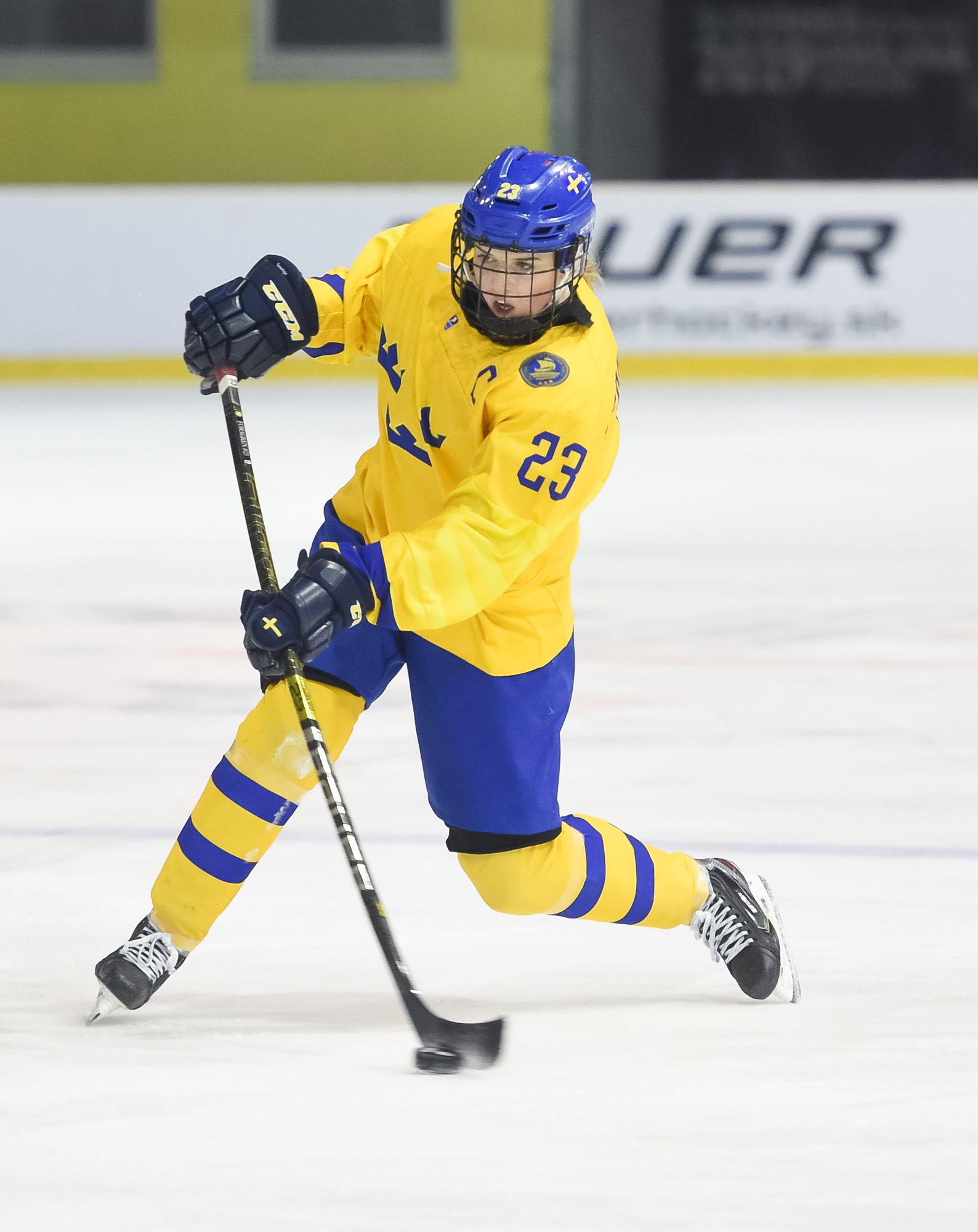 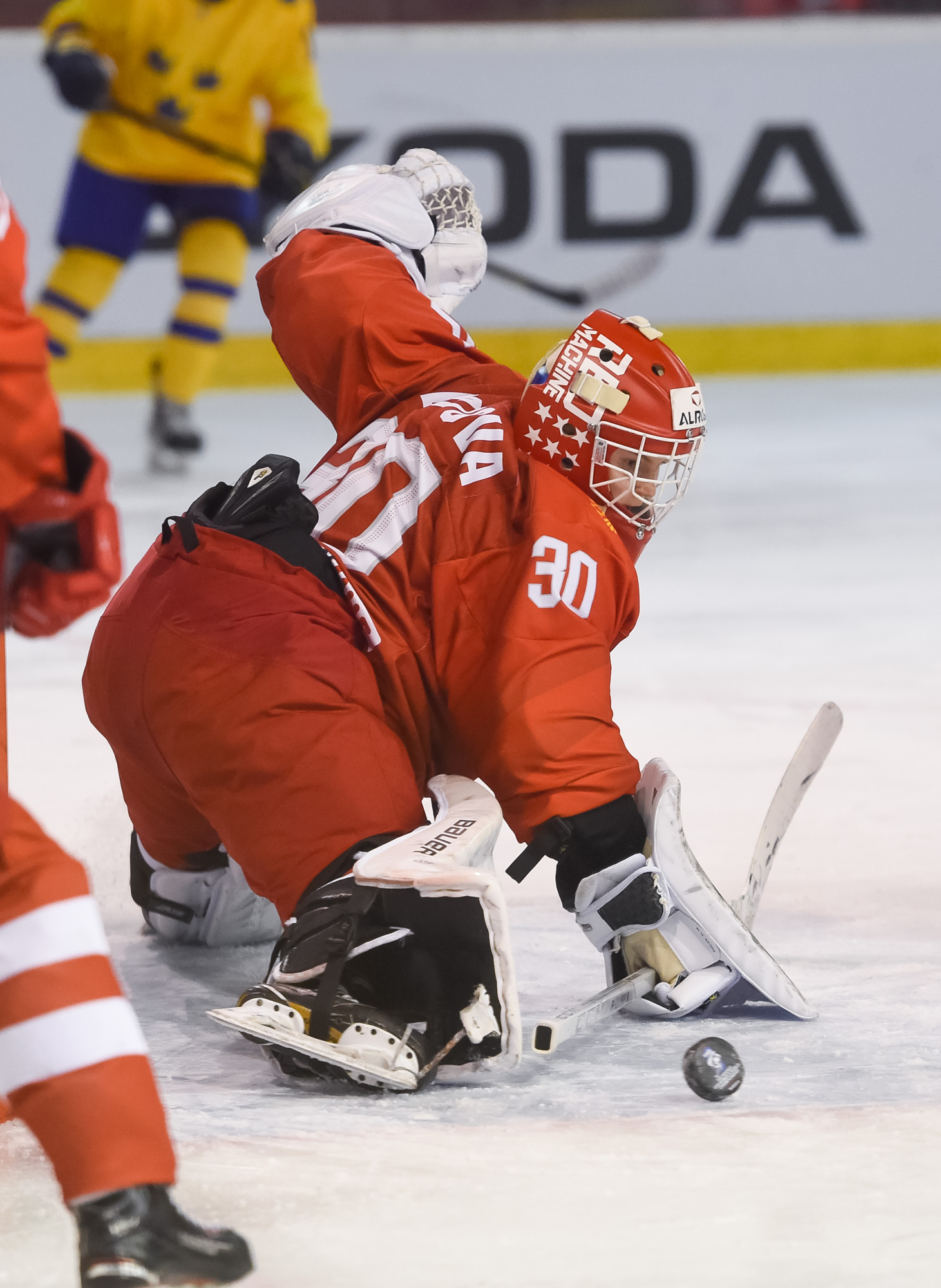 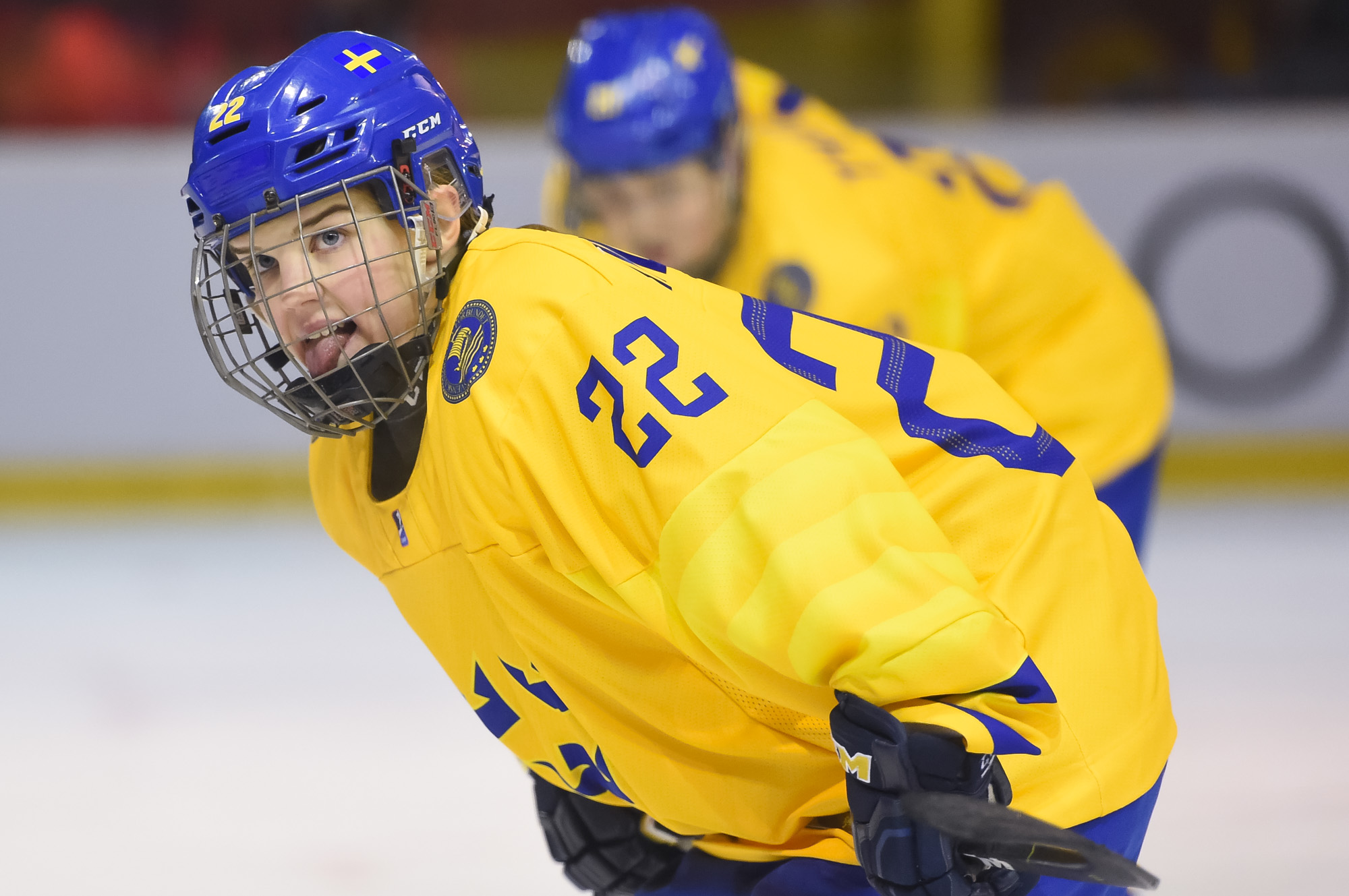 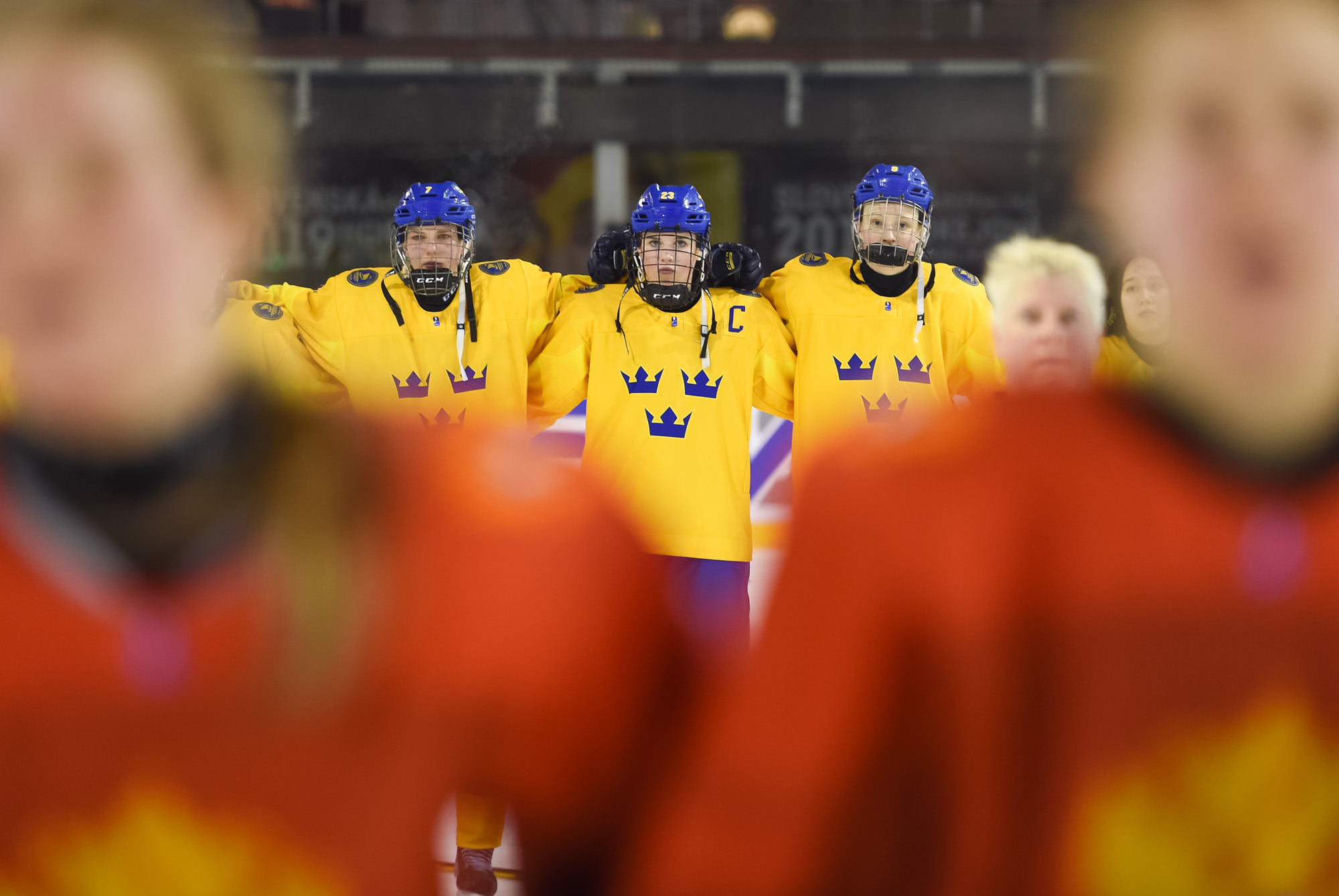 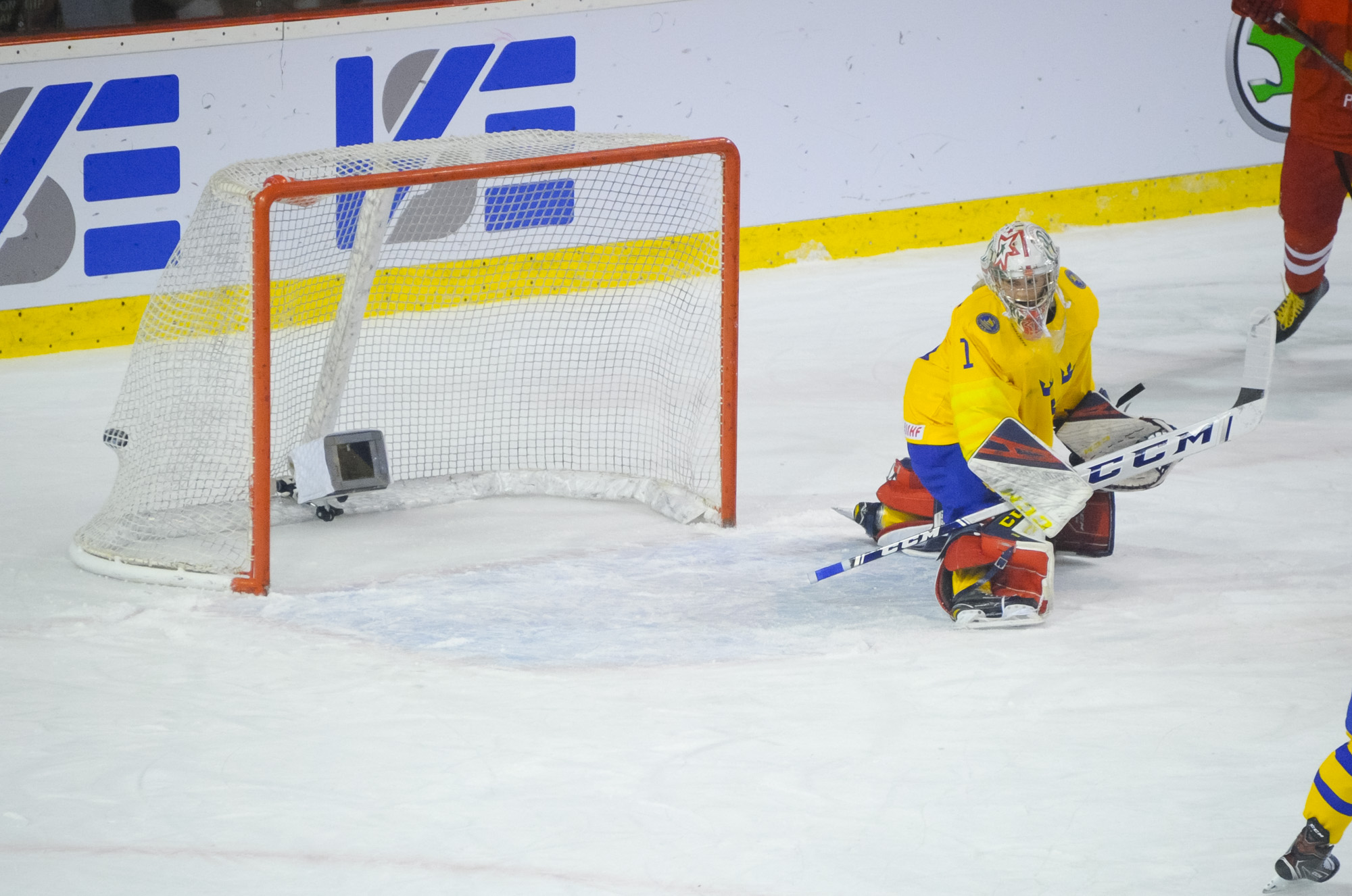 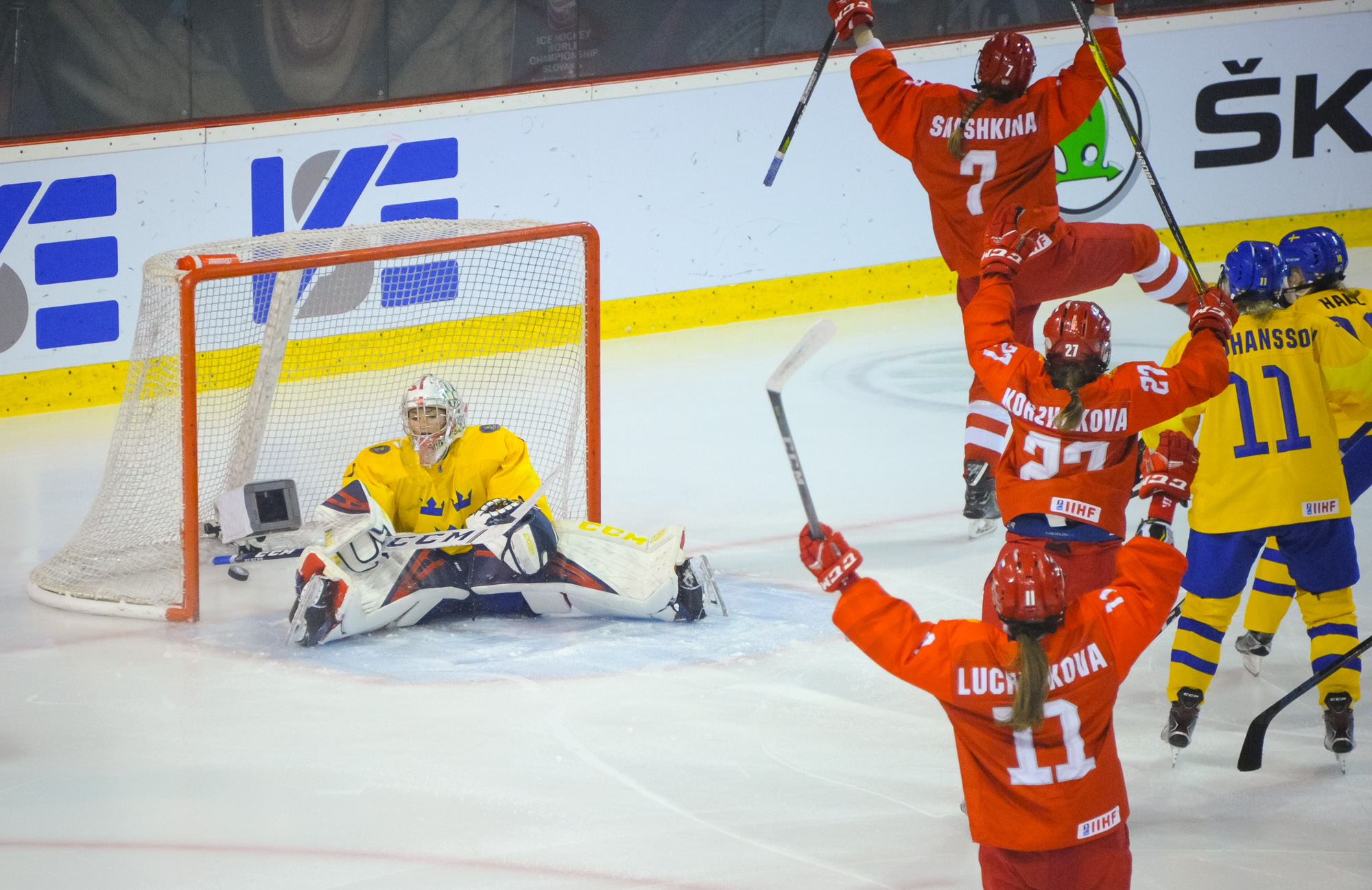