Canada and Russia now lead the group standings with three points and Denmark would need to beat Russia with a six-goal margin tomorrow to improve from third place.

“It was a good effort of our team. We worked on creating the chances and it paid off. It wasn’t as easy, Denmark is still a good team, we had to play 100 per cent to win this game,” said Antonin Verreault.

The forward from the Saint-Eustache Vikings in Quebec scored two goals and had an assist. At the other end of the line-up Vincent Filion had a quiet afternoon and just needed eight saves to for his shutout.

The big questions before the game were whether Canada can recover and avoid the miserable start the team had against Russia, and on the other side whether the Danes as the lowest-seeded team would be able to keep up with the Canadians or get crushed.

The first few minutes didn’t give a definite answer yet. While Canada was more active and had a 19-1 shot advantage in the first period, the Danes managed to minimize the damage for a while.

However, after five minutes Justin Cote opened the scoring when he broke away from the Danish defence and moved the puck in after deking goaltender Mathias Petersen. Four-and-a-half minutes later Adamo Fantilli capitalized on a rebound to give Canada a 2-0 lead. The game took the direction Canada wanted.

The Danes still had trouble creating offensive action and ran into even bigger trouble when Anton Stenbakken took a penalty for cross-checking. Verreault made it 3-0 with his top-shelf shot on Canada’s first power-play.

Next was a Danish power play with Matthew Jovanovic in the sin bin for holding but even on the man advantage the Canadians were the more dangerous team and Matthew Savoie increased the lead to a four-goal gap with his shorthanded breakaway goal.

The Canadians didn’t play that dominating anymore in the second period. It looked like the outcome of the game was too clear to both teams after the disparity in the first frame. Denmark was able to show a bit more, Canada didn’t fire shots that often but still had the game firmly under control. Cedrick Guindon scored the only goal of the period assisted by Verreault at 11:32.

At 5:03 of the third period Guindon and Verreault were again involved in a goal. This time Verreault got his second goal of the game after his shot into the top-right corner from the left face-off circle.
Denmark vs. Canada - 2020 Youth Olympic Games (Men) 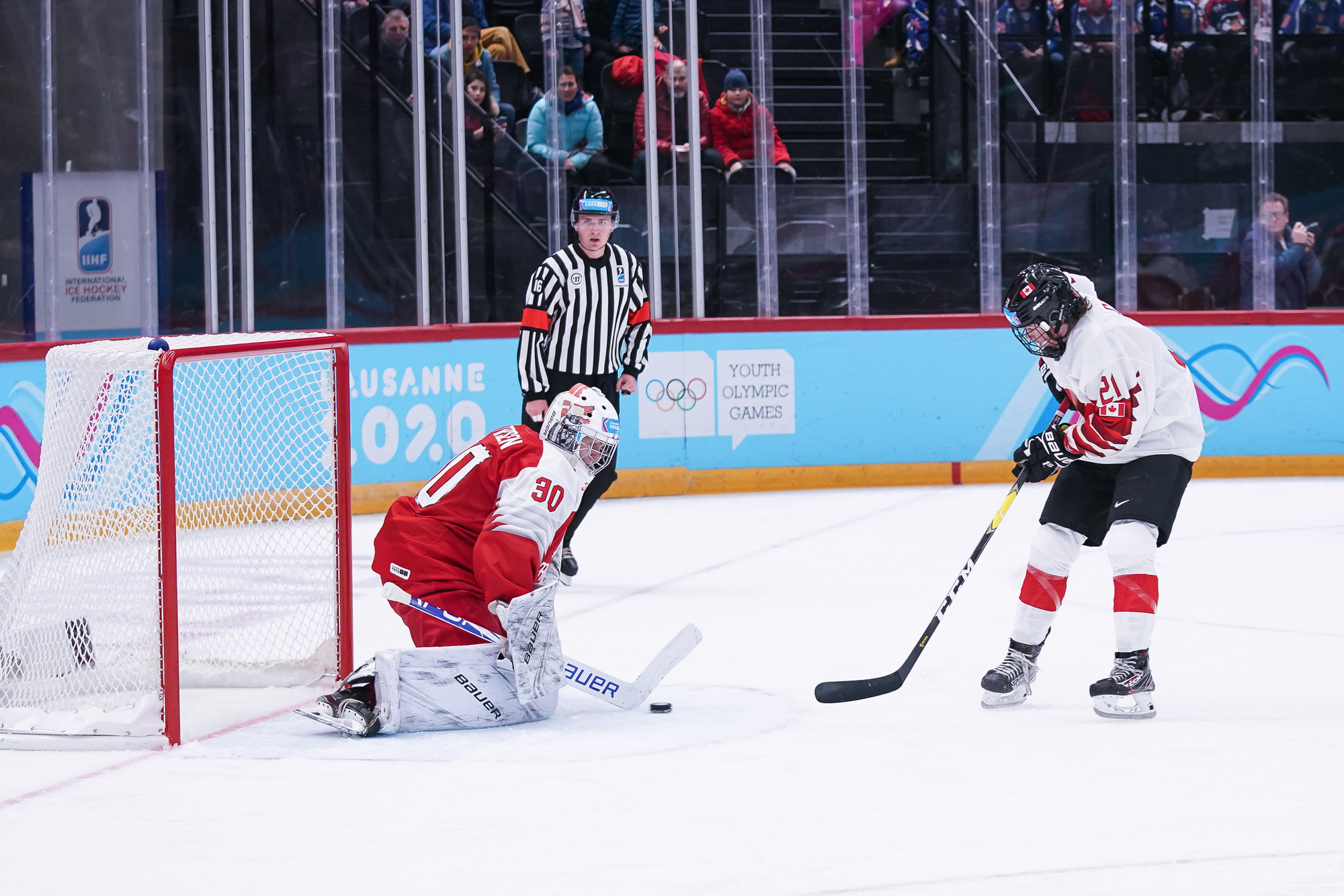 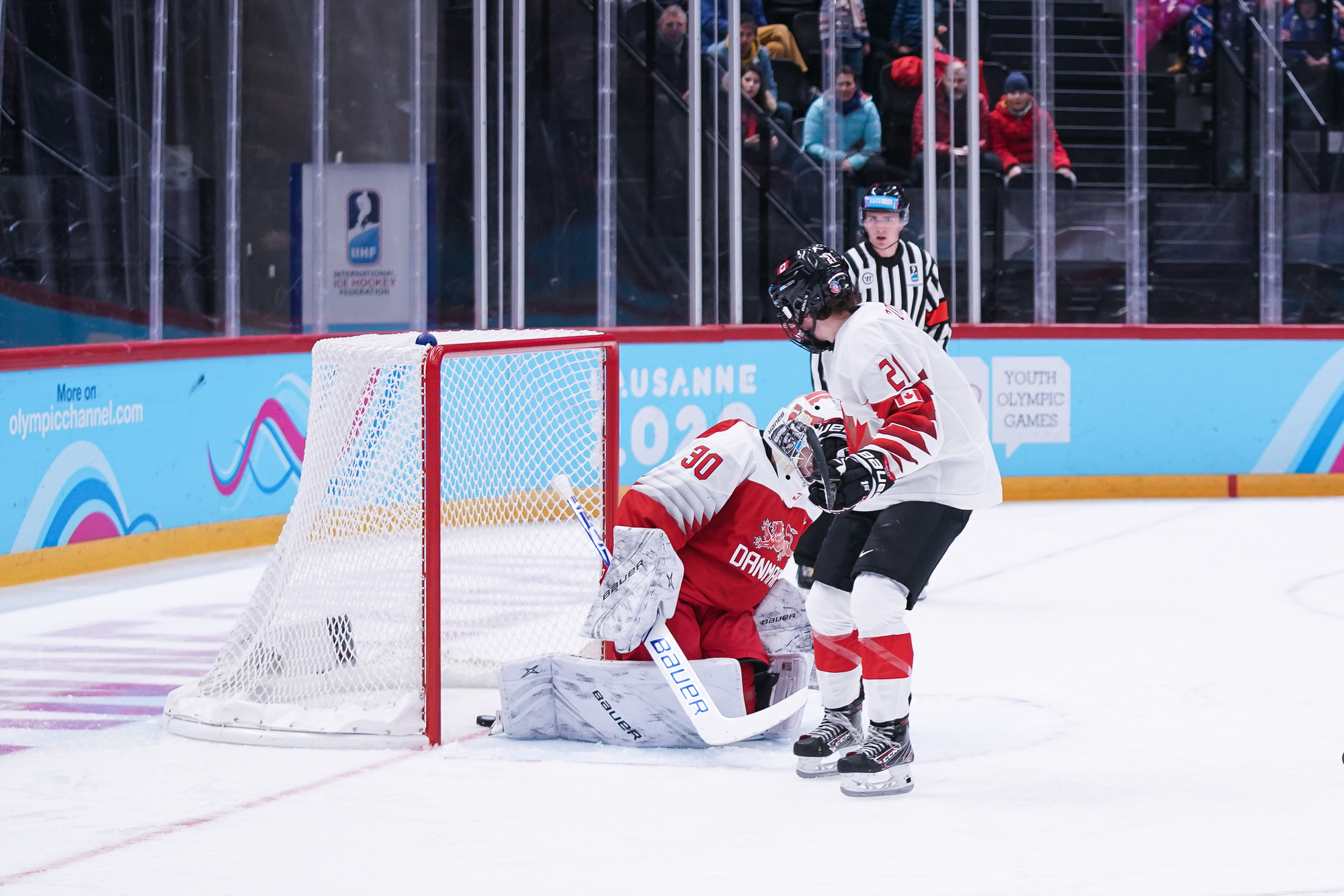 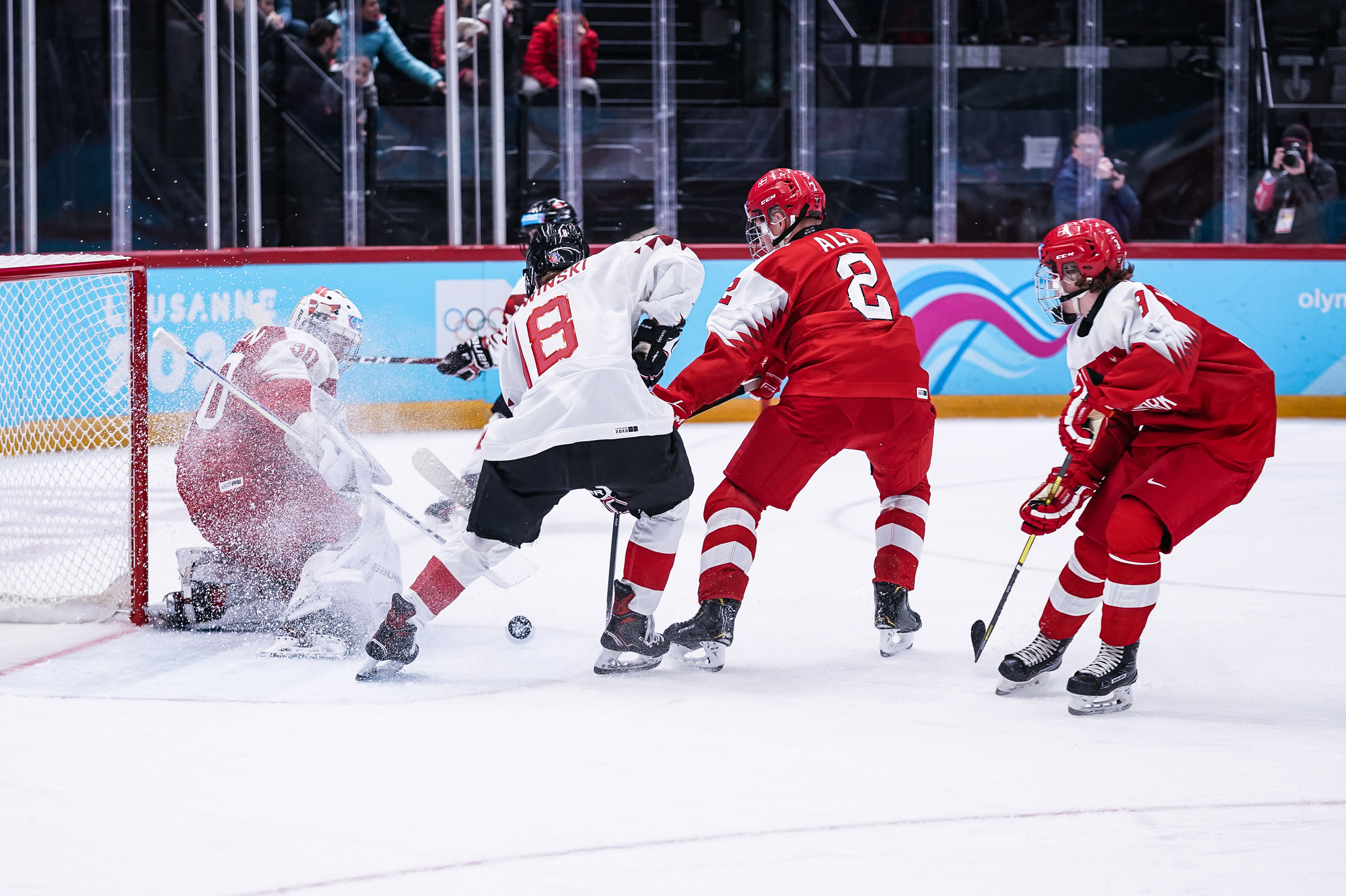 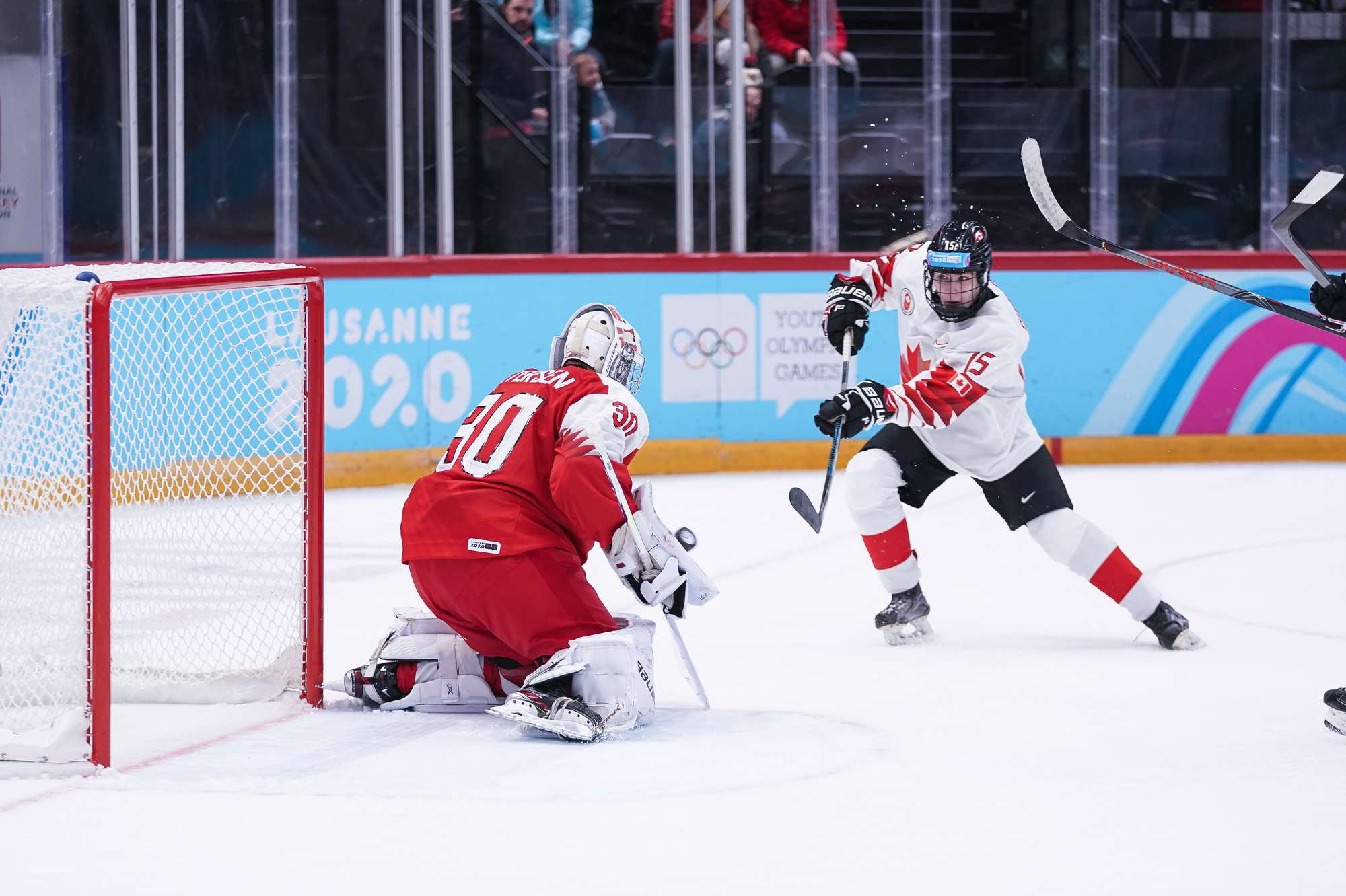 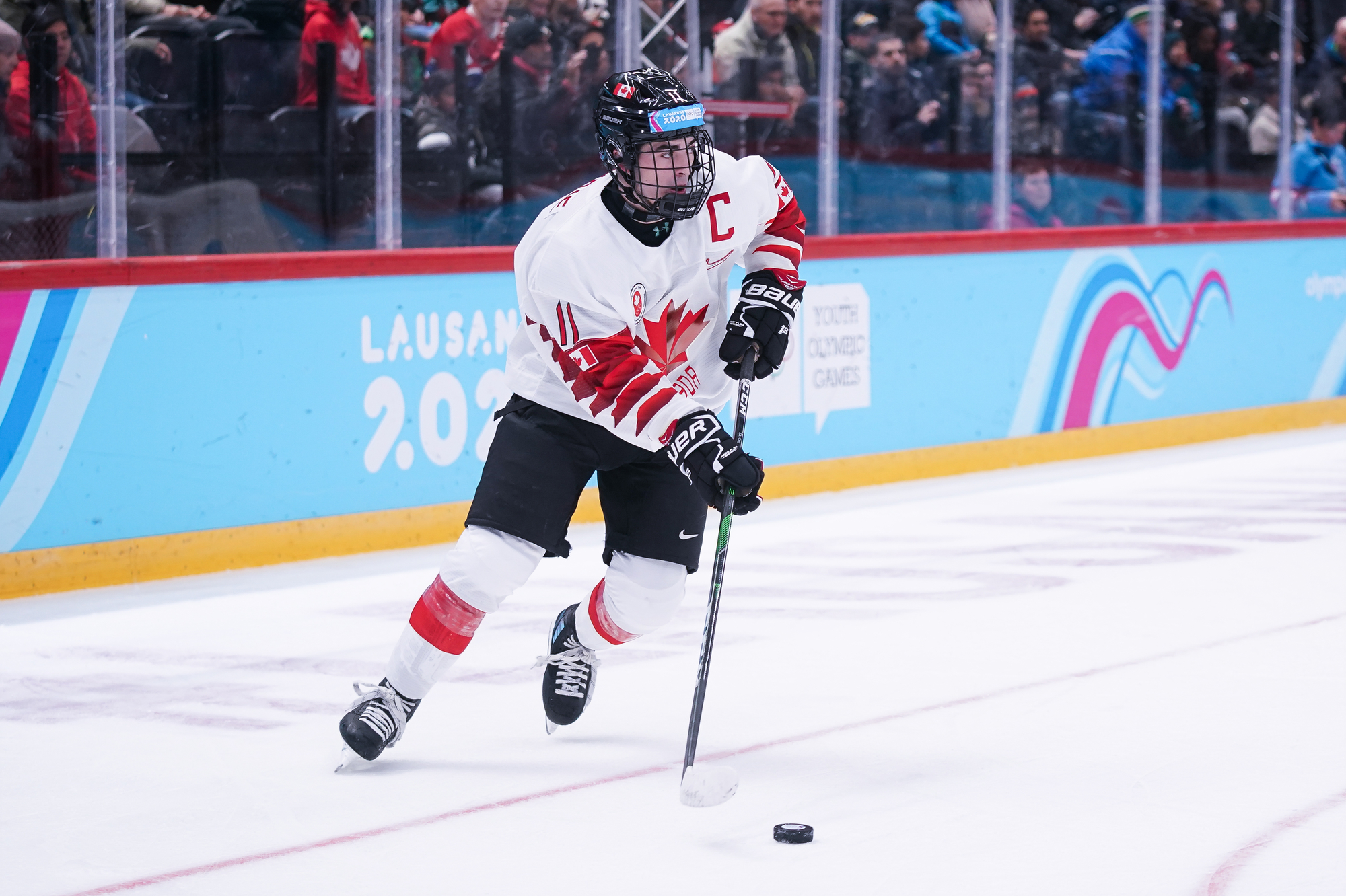 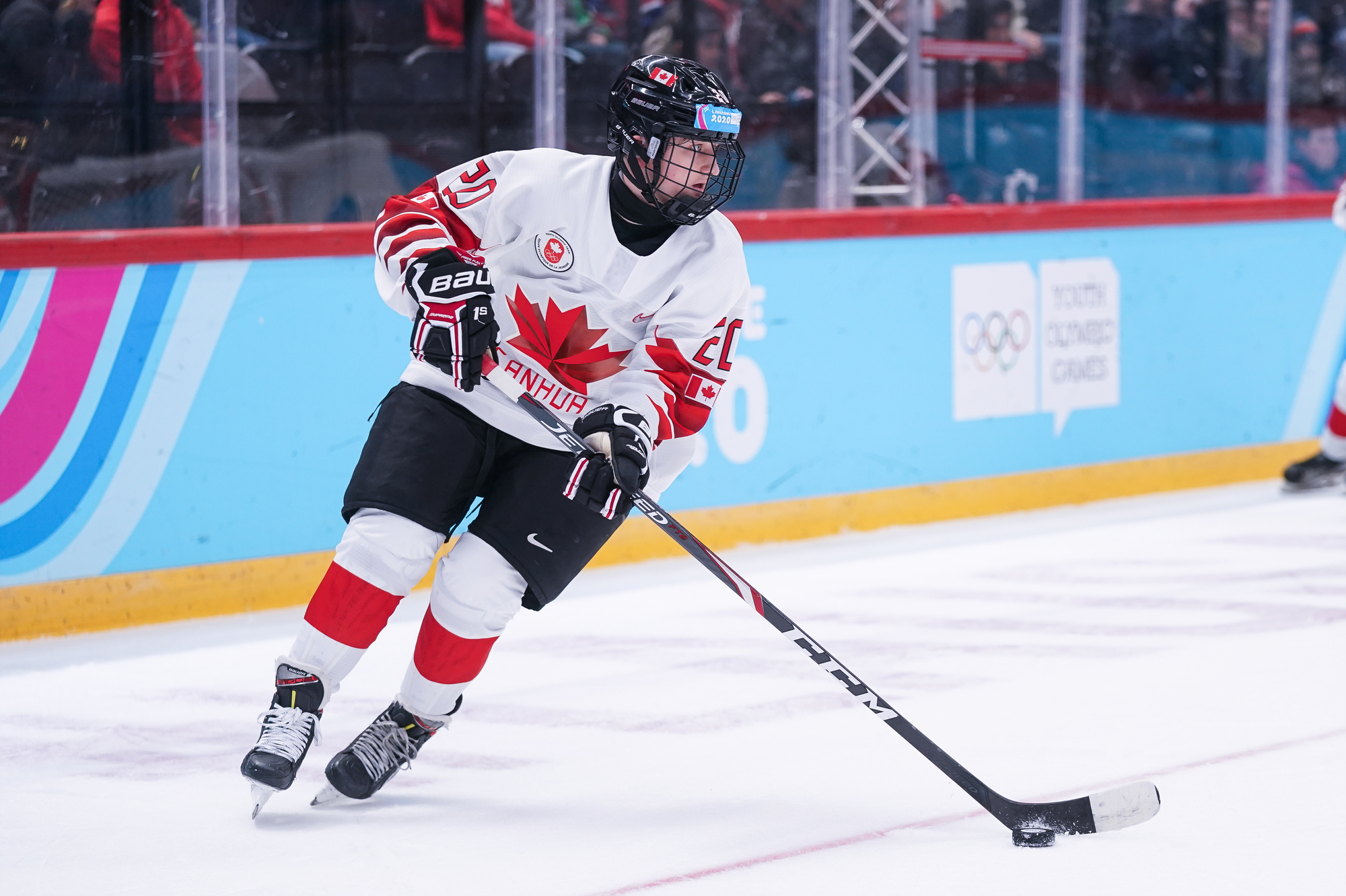 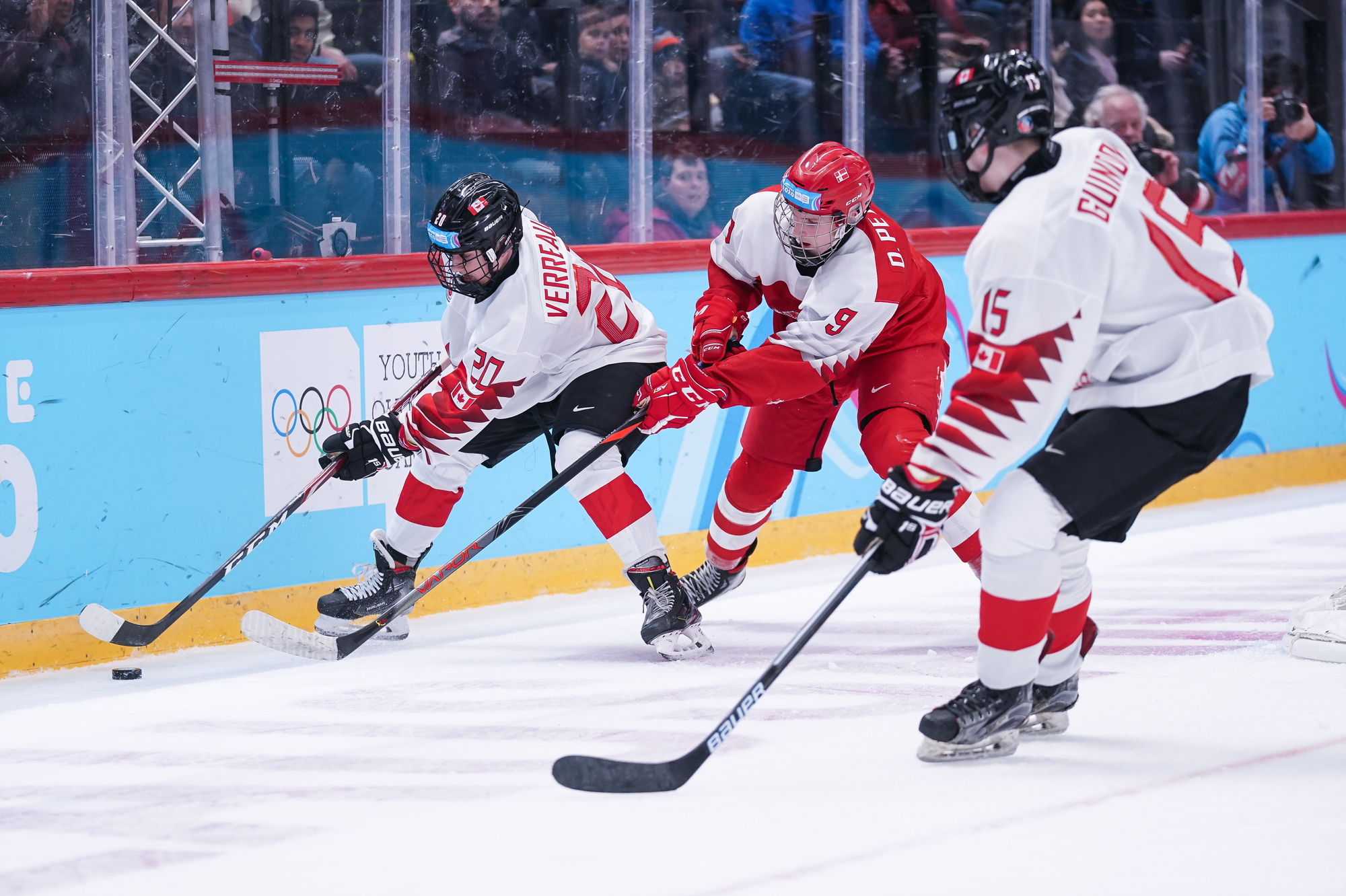 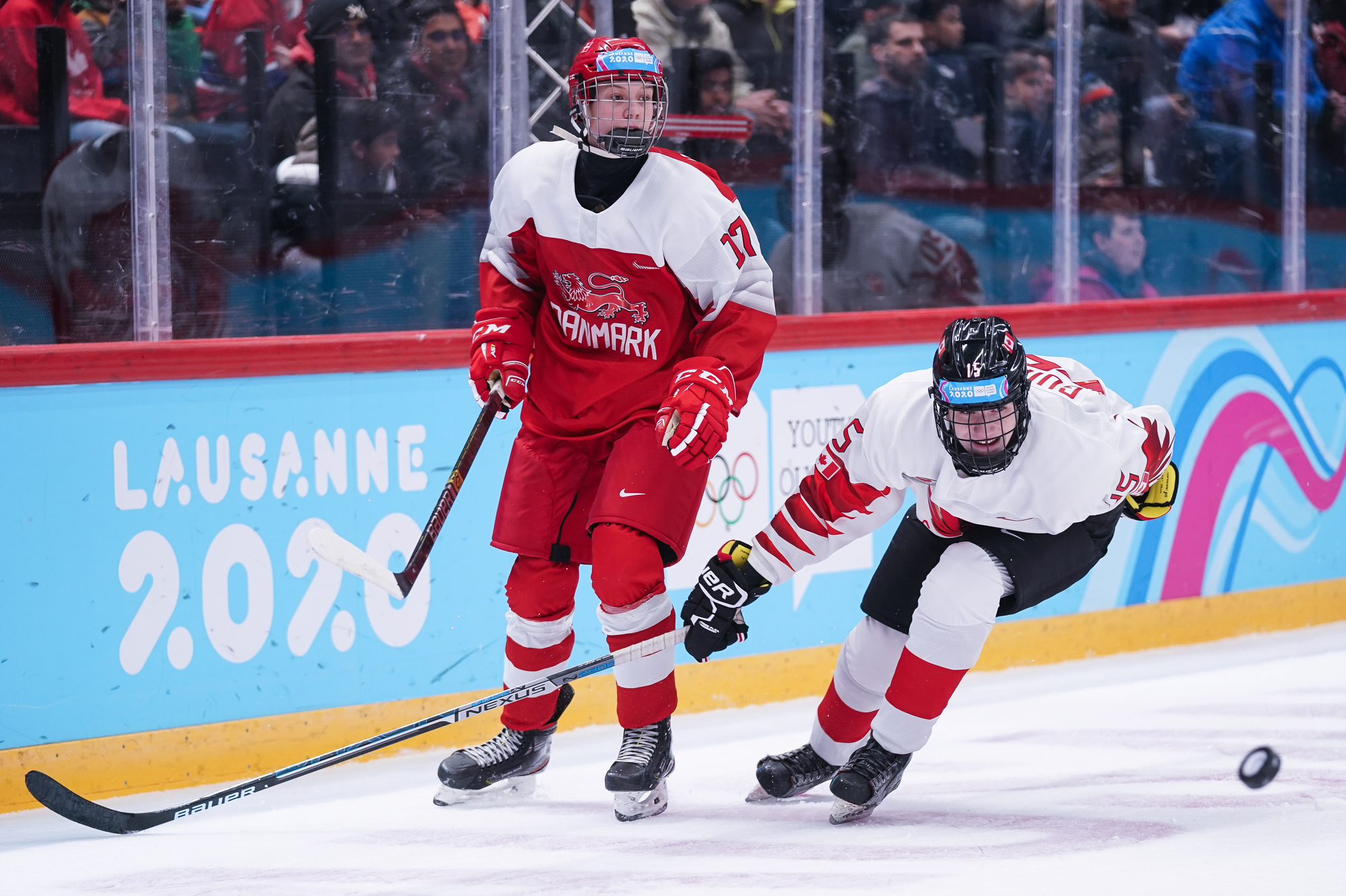 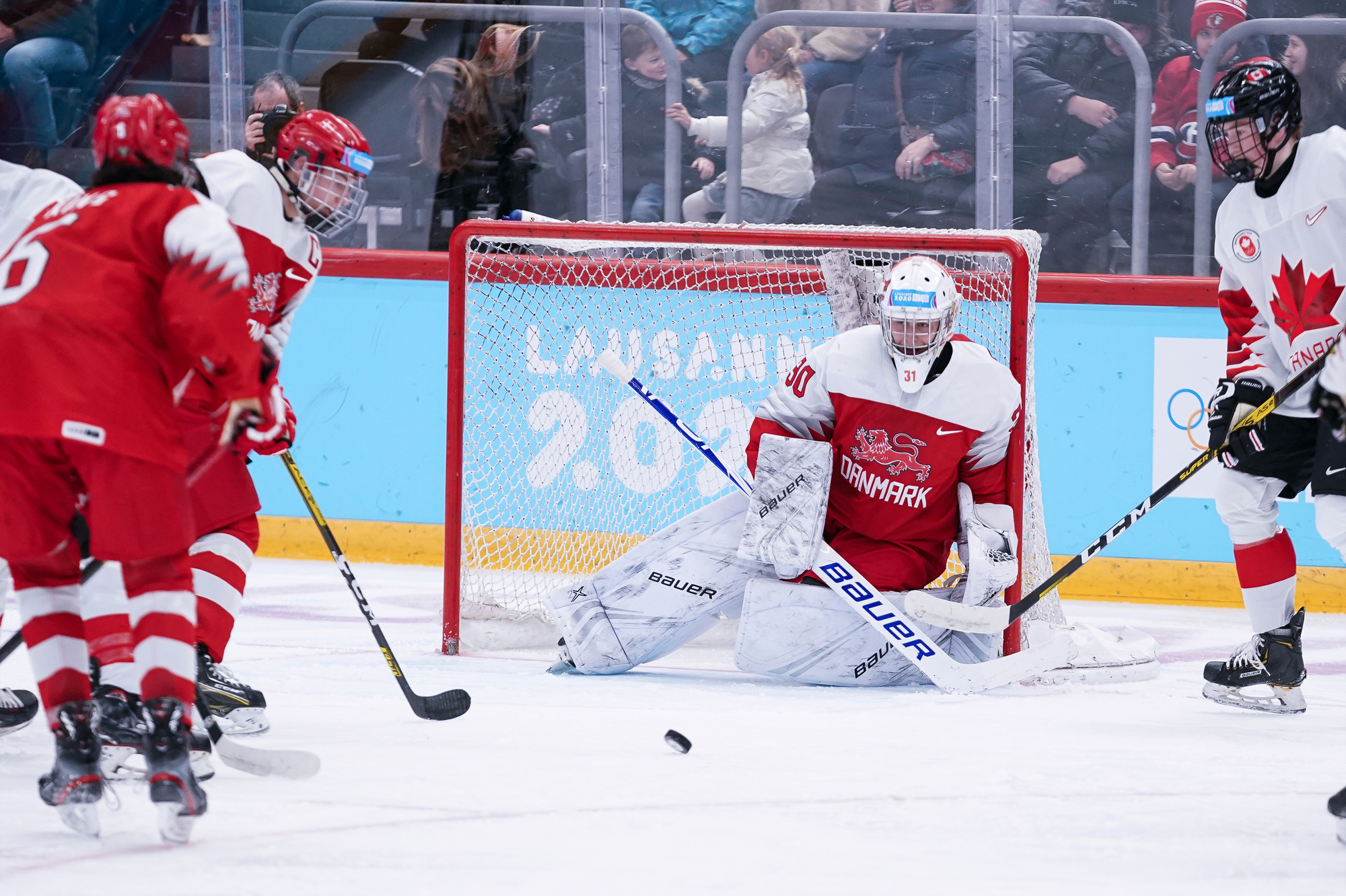 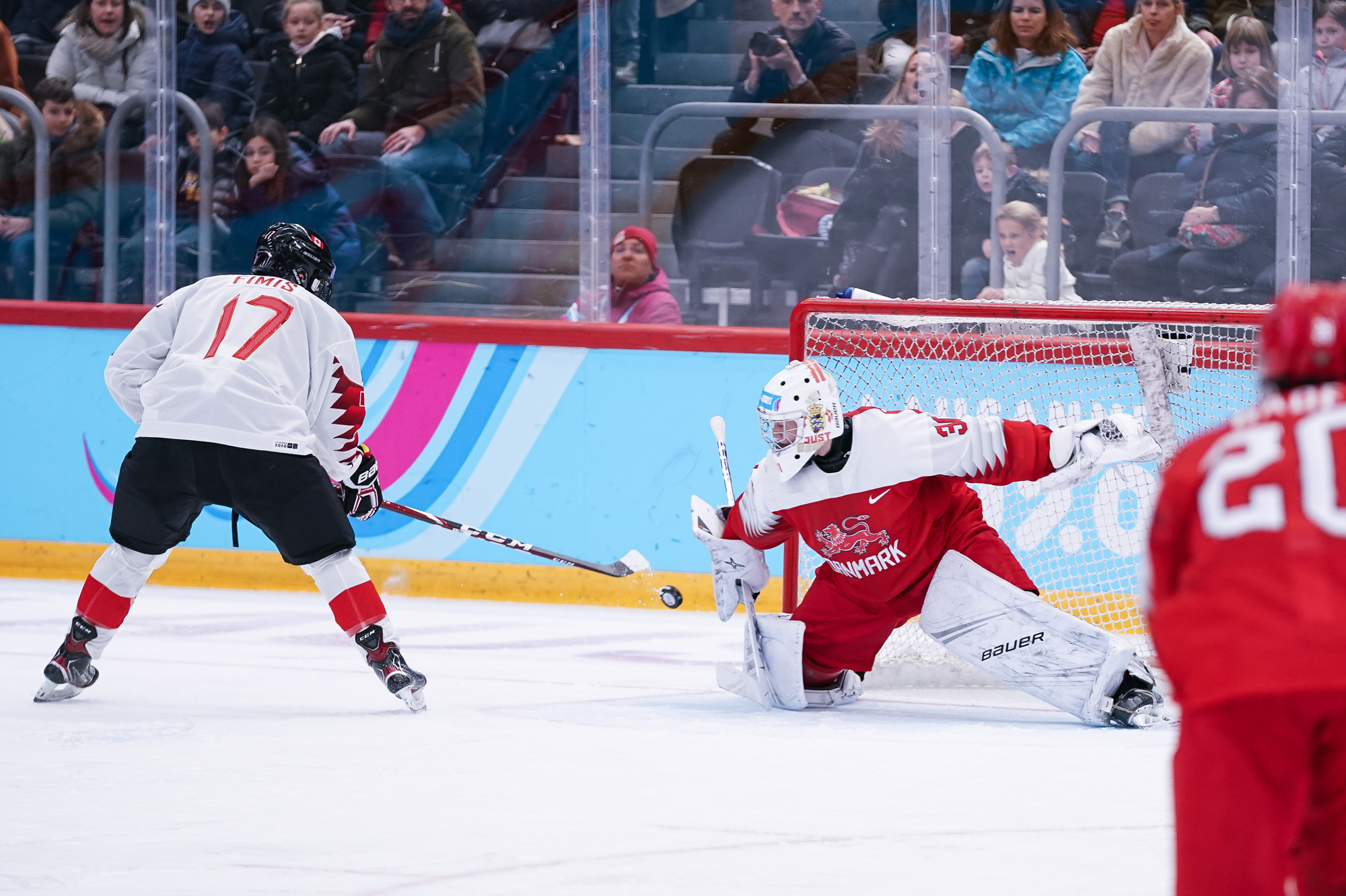 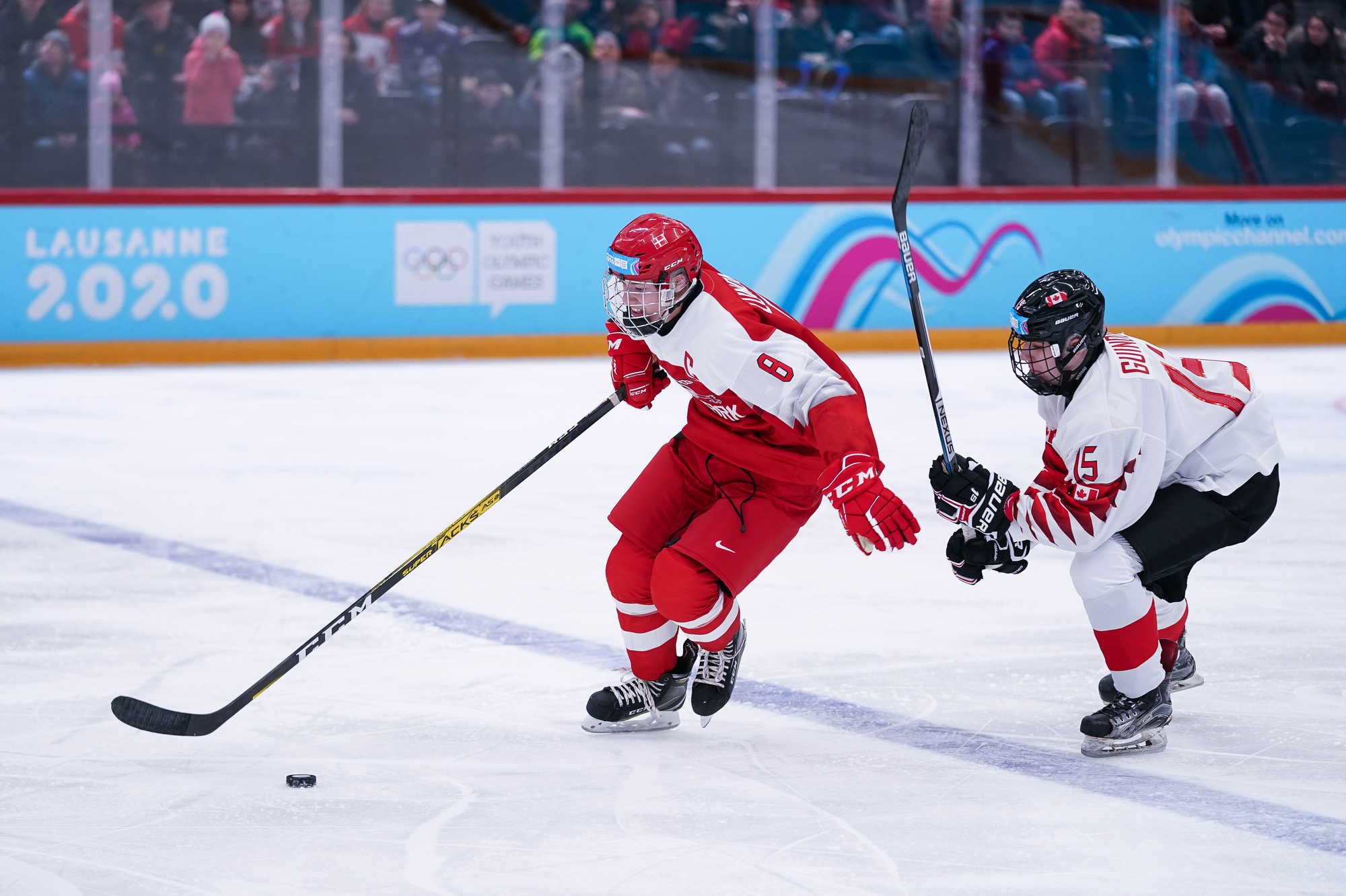 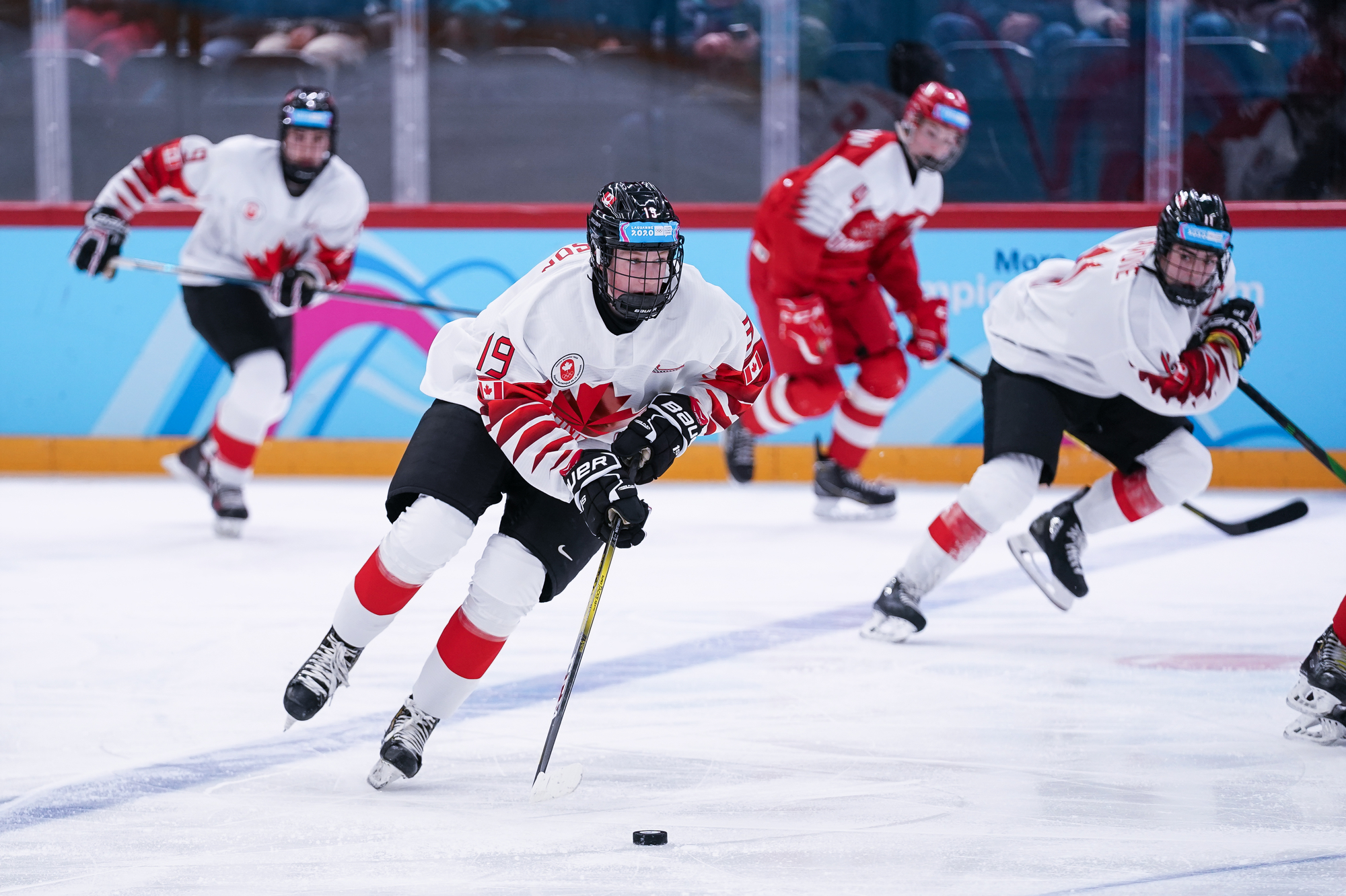 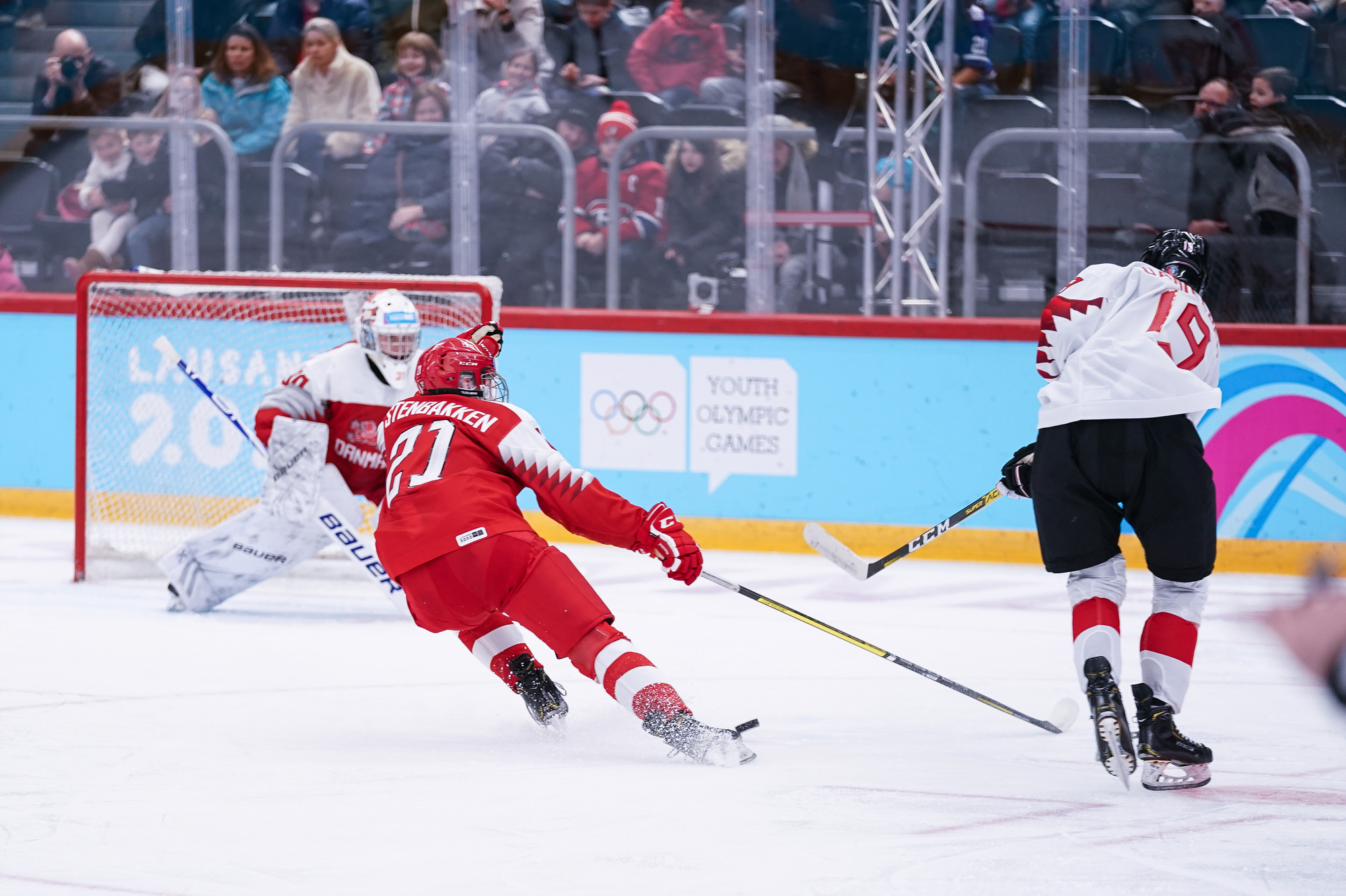 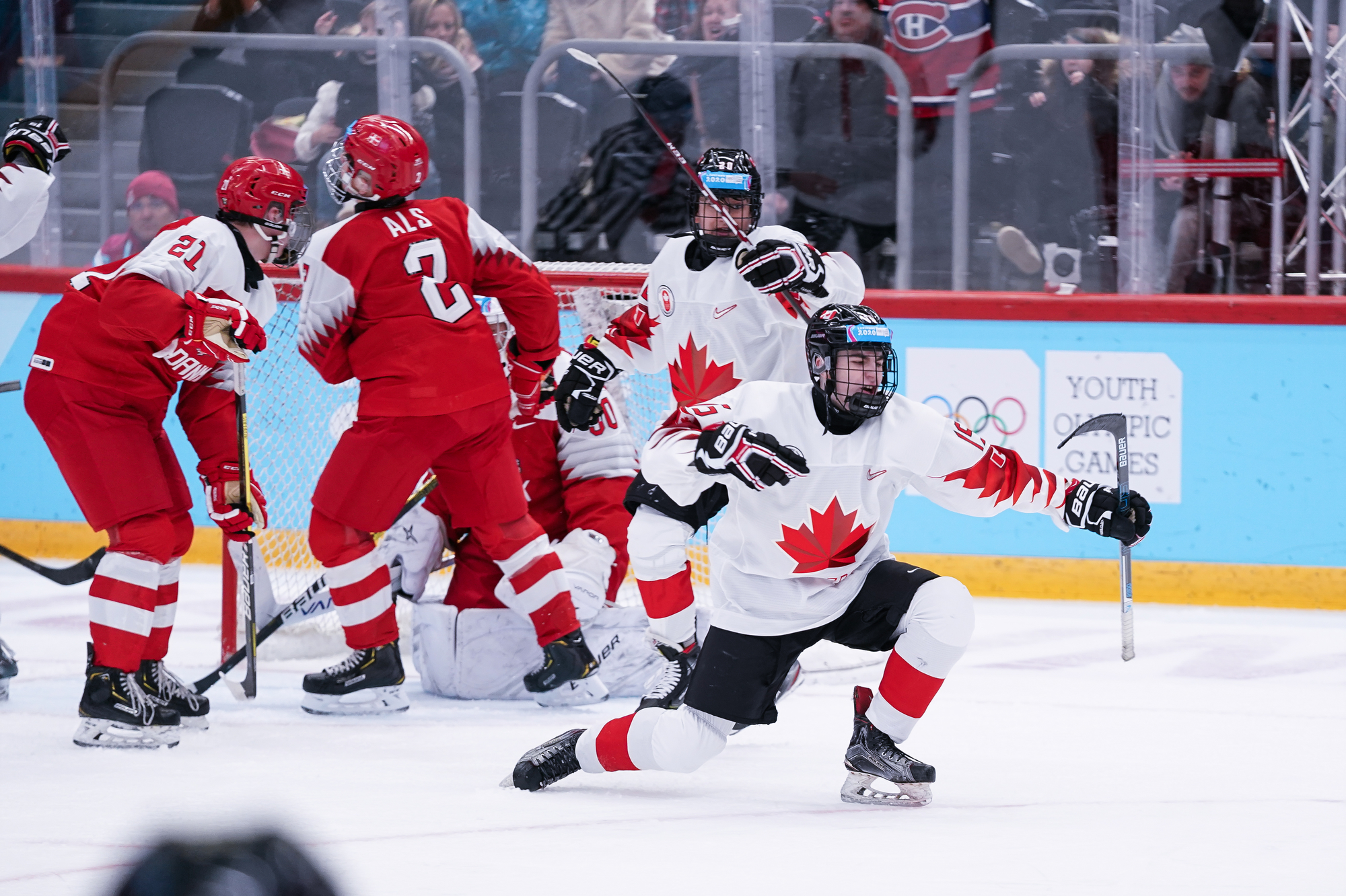 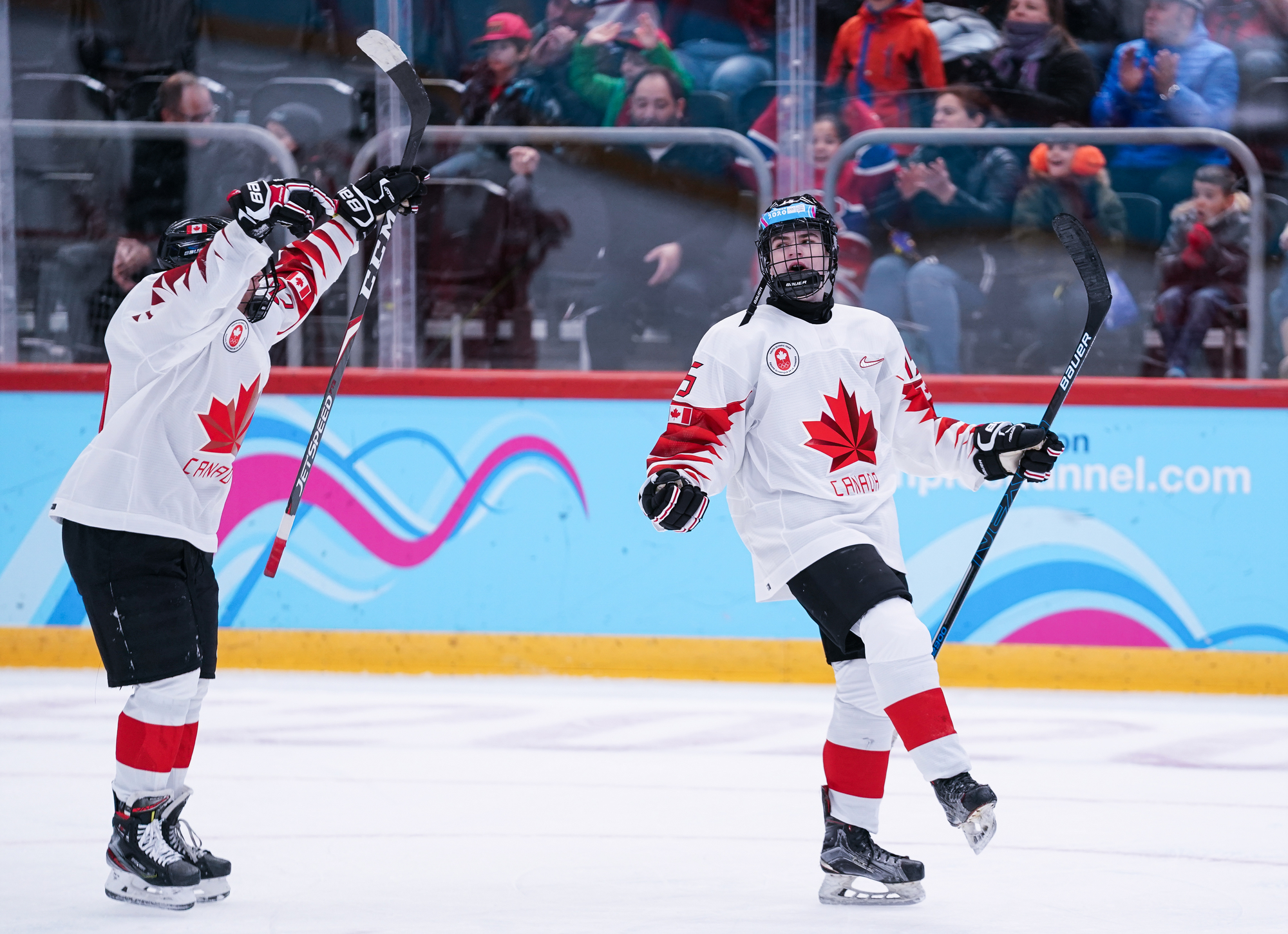 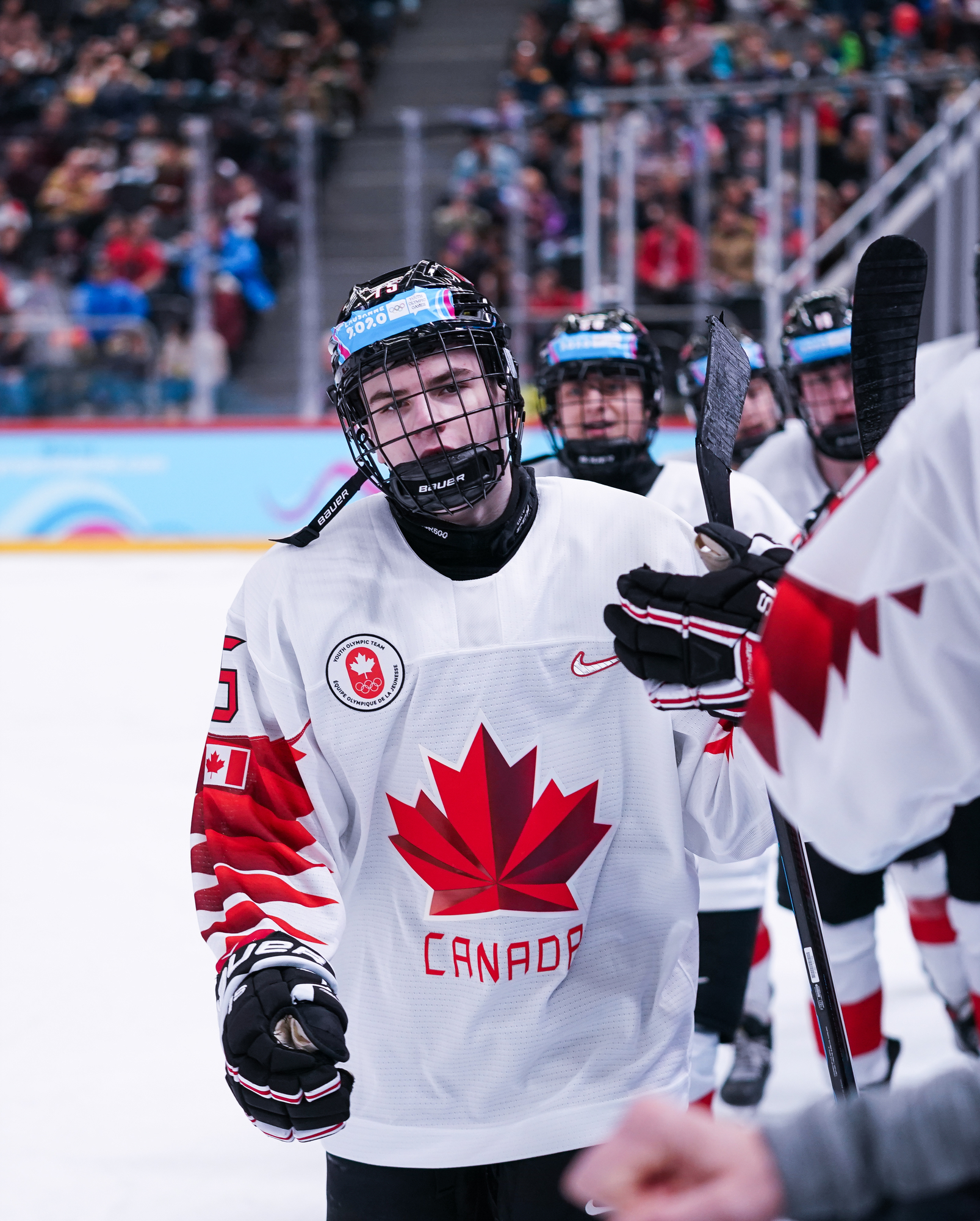 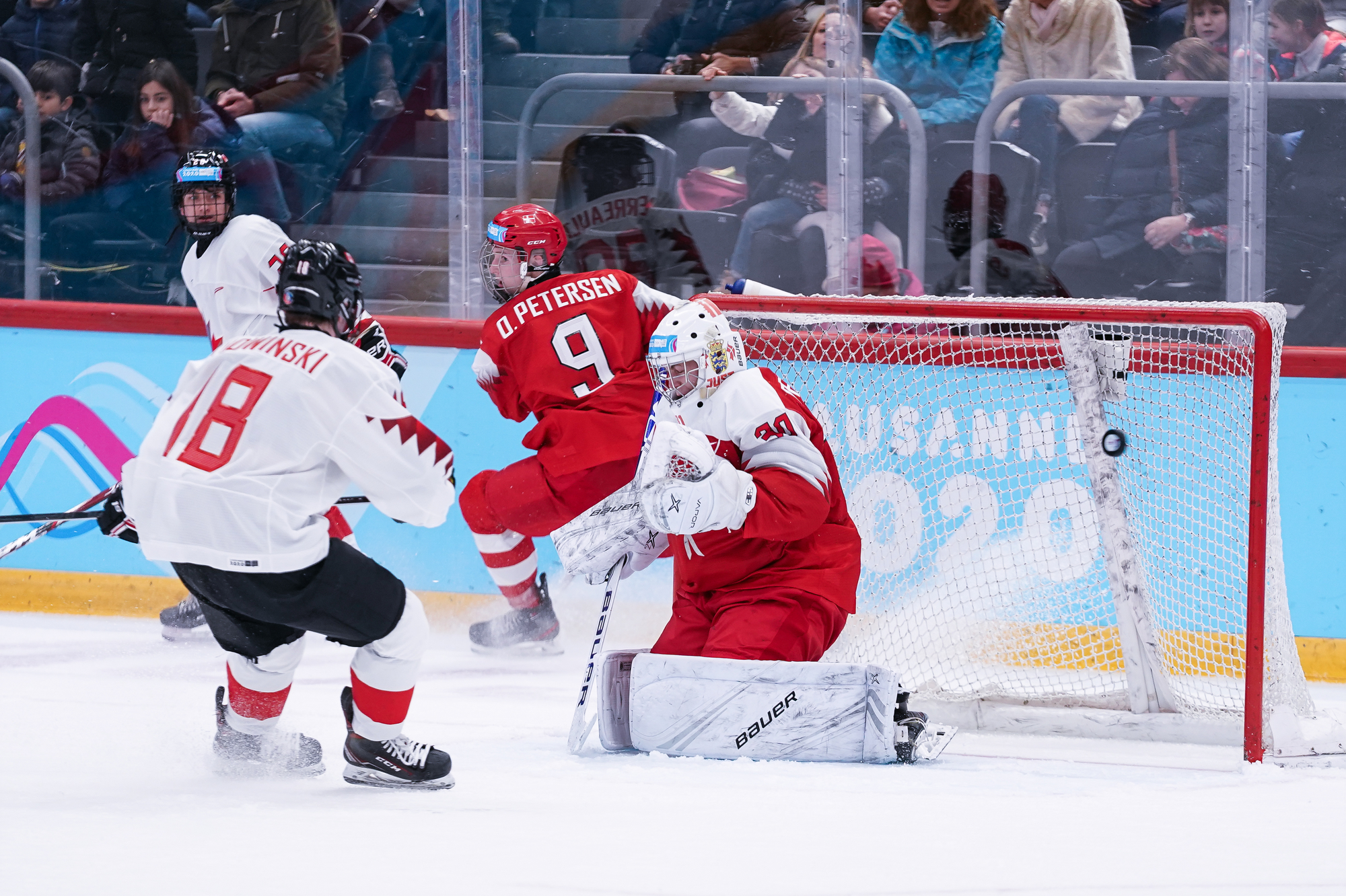 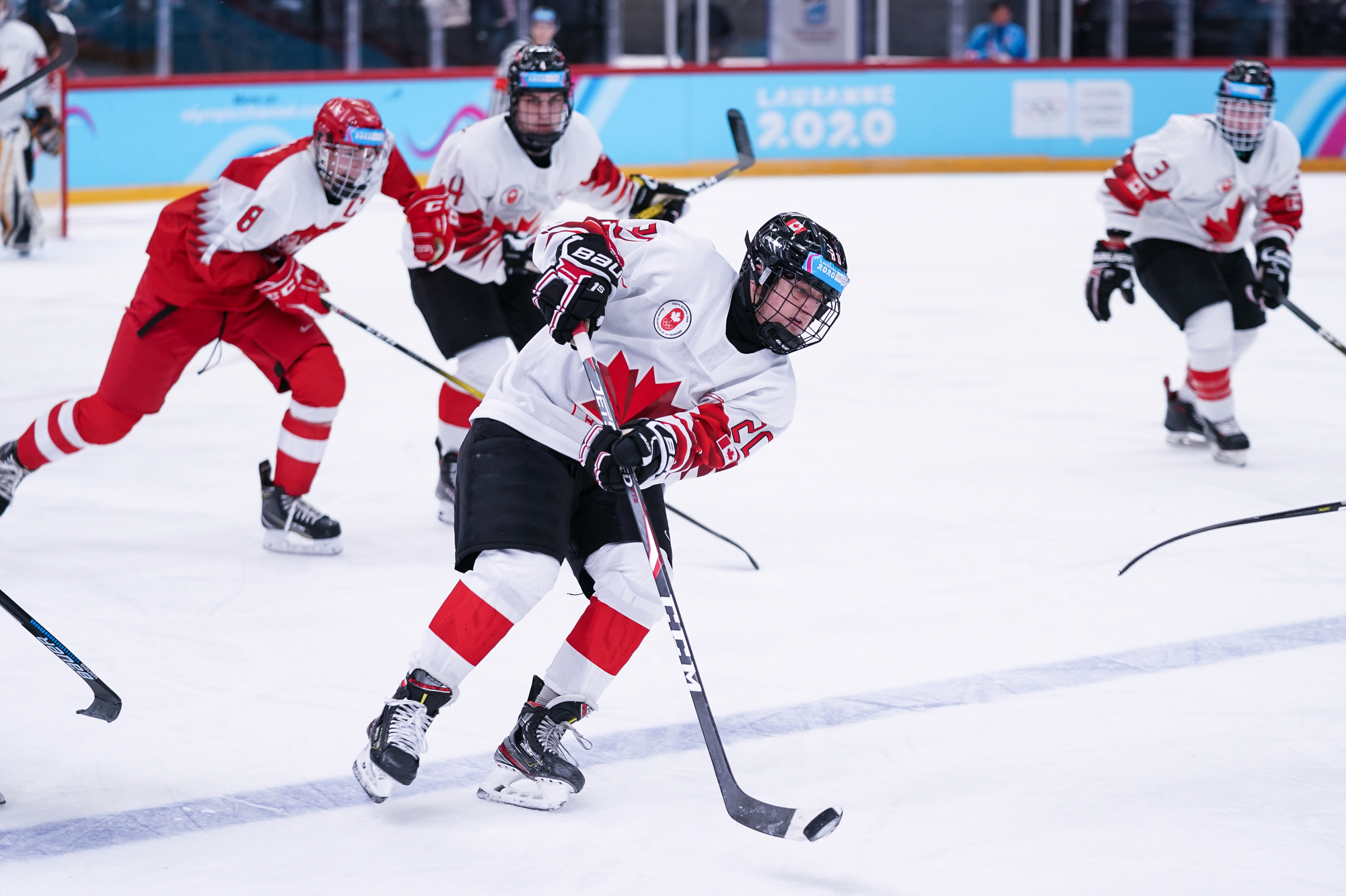 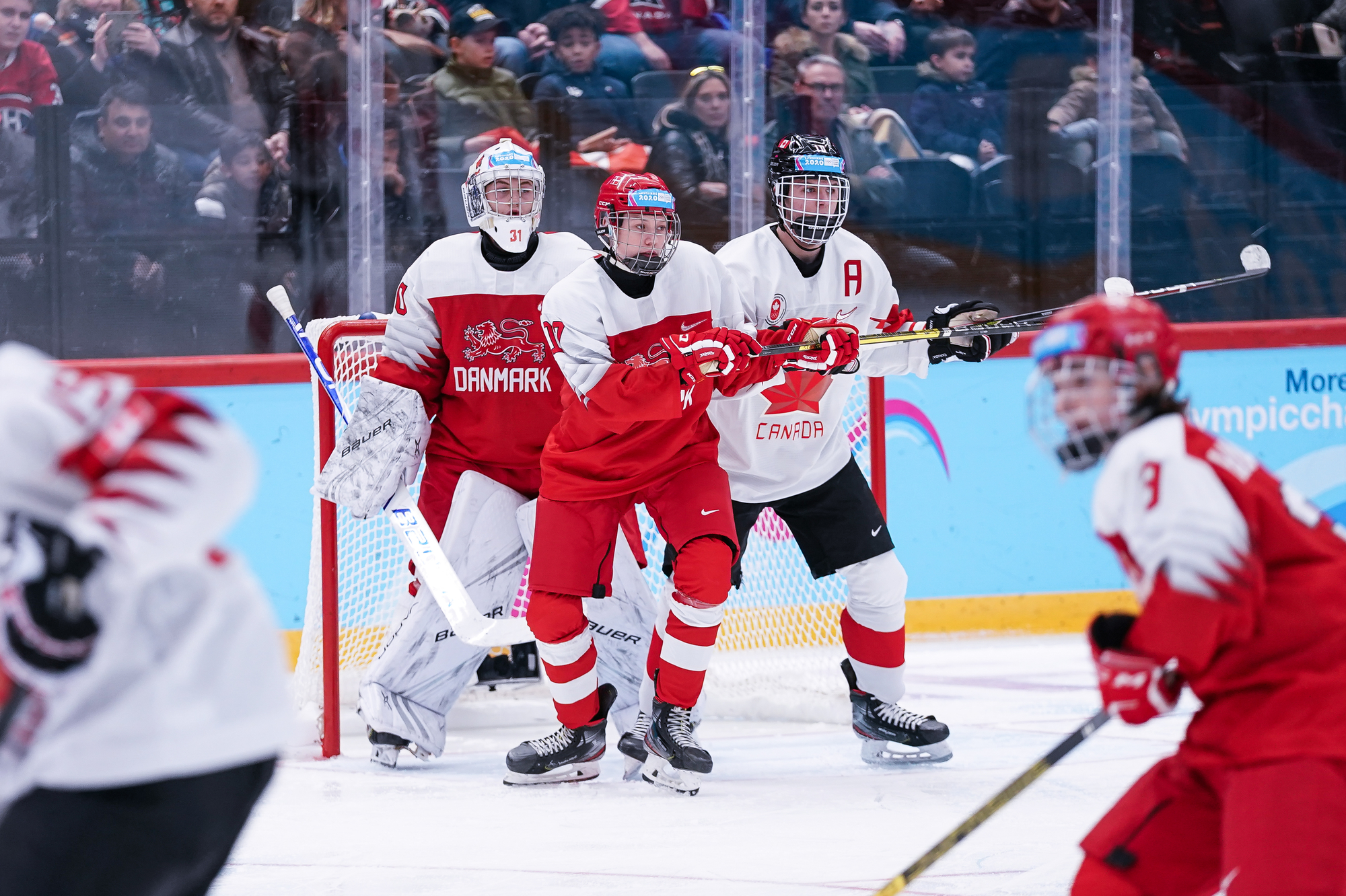 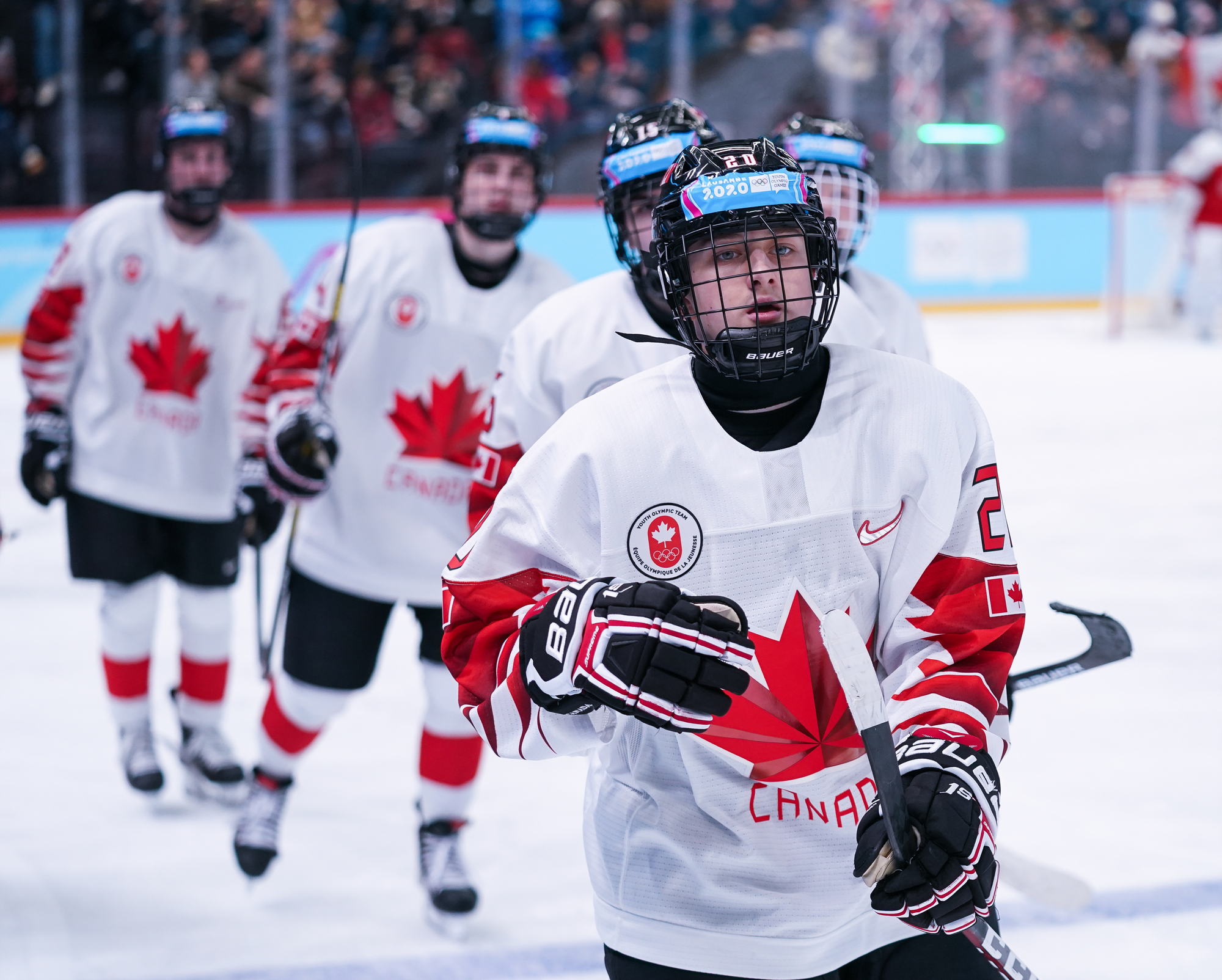 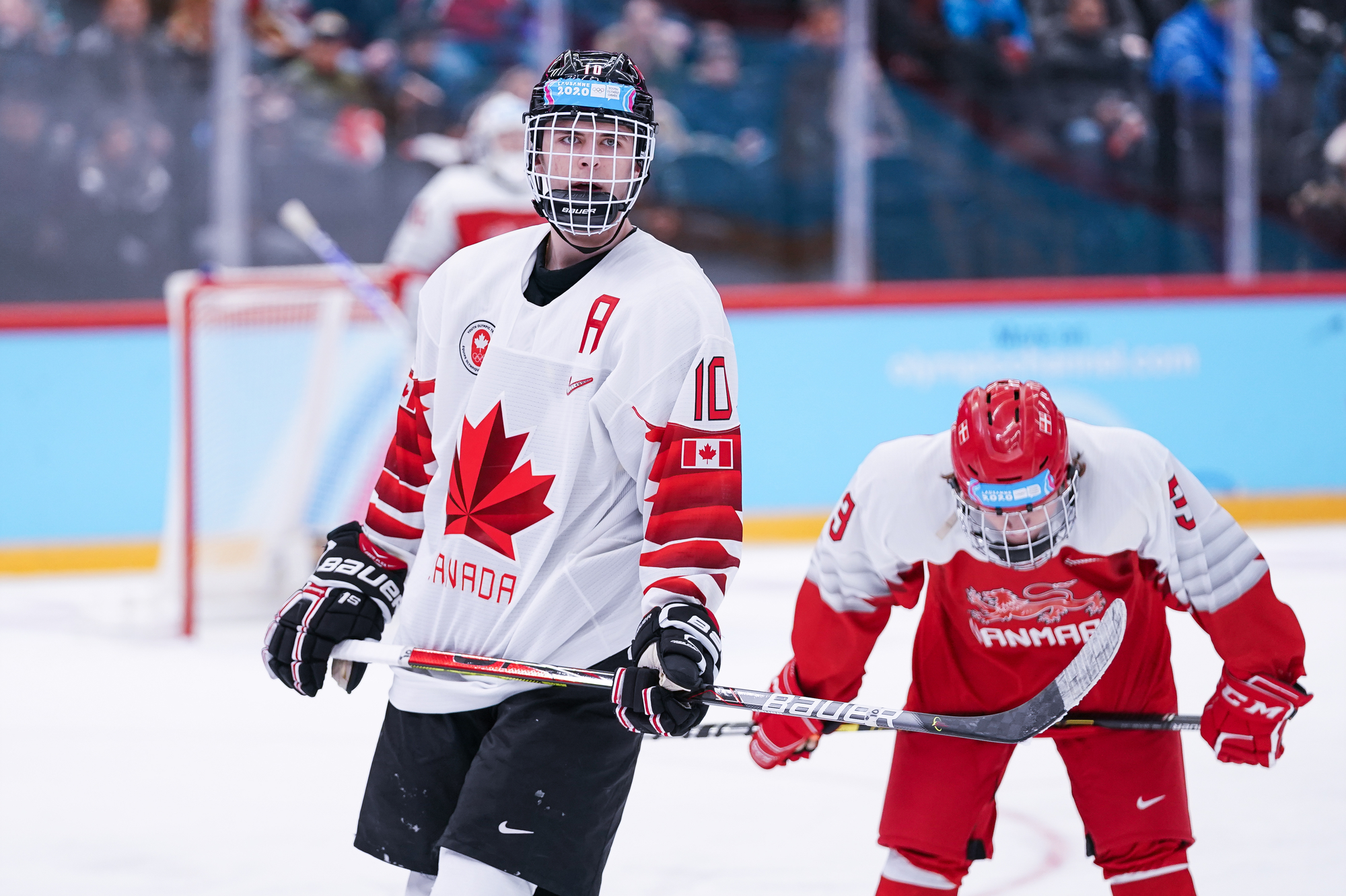 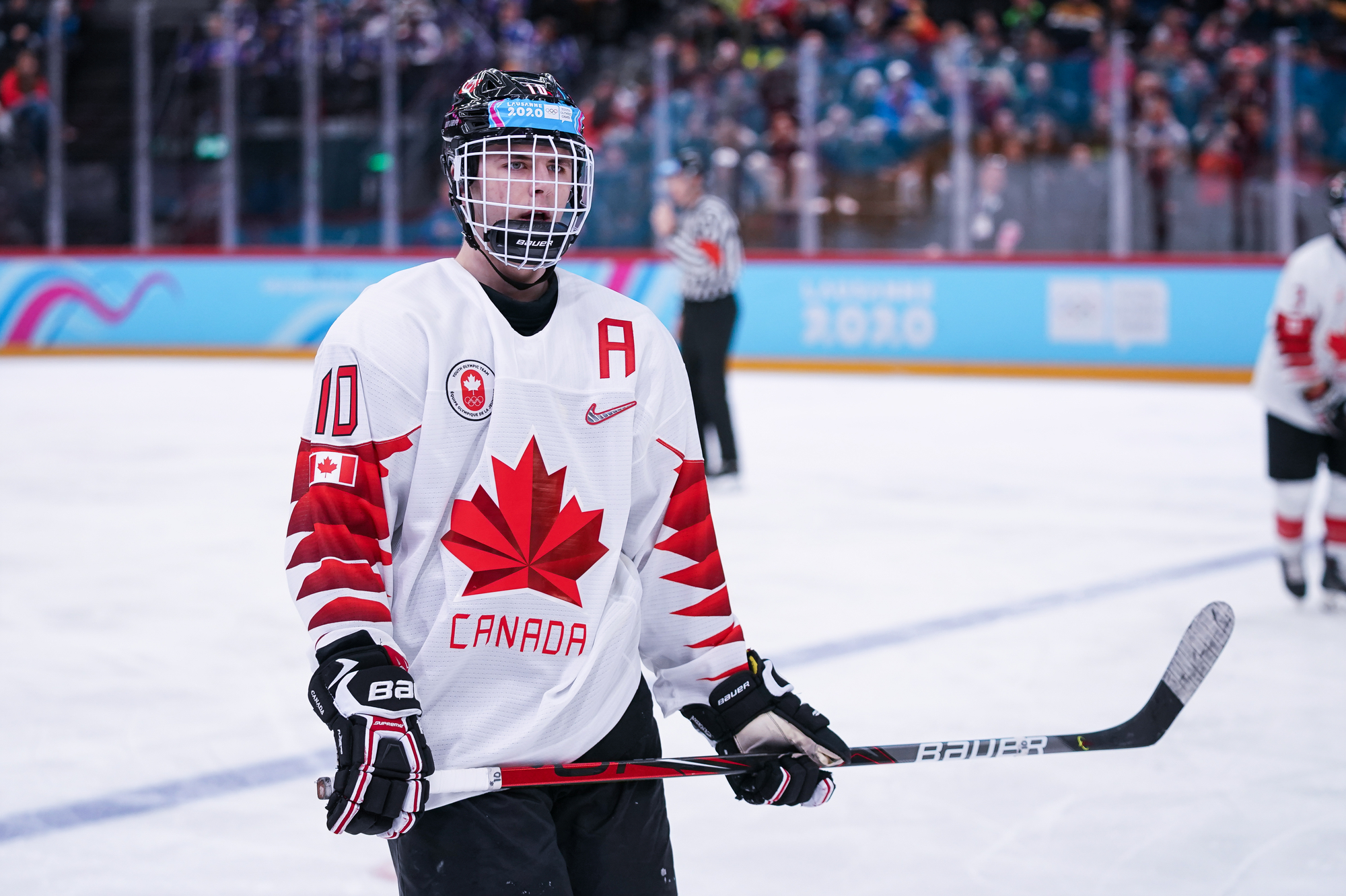 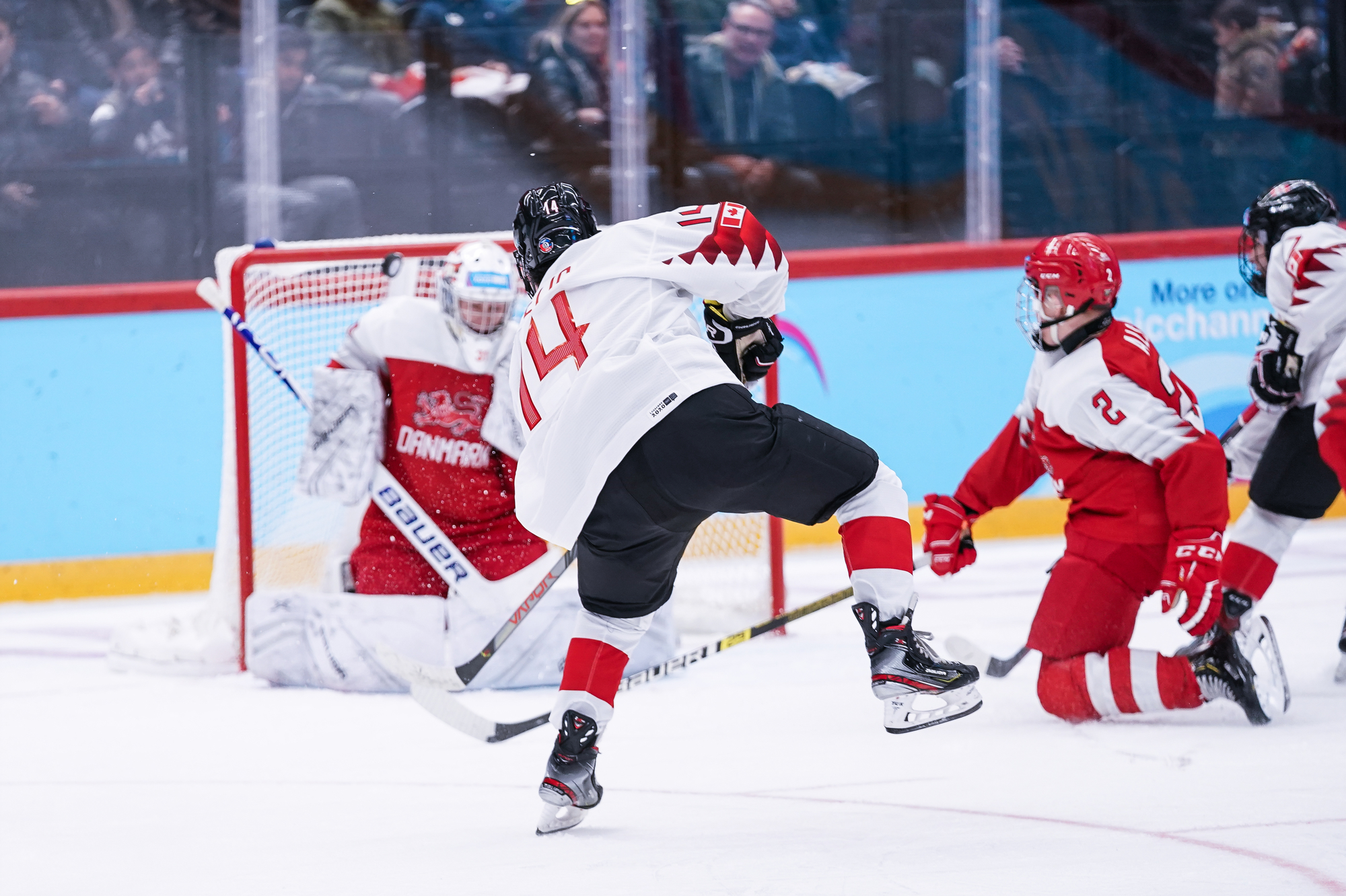 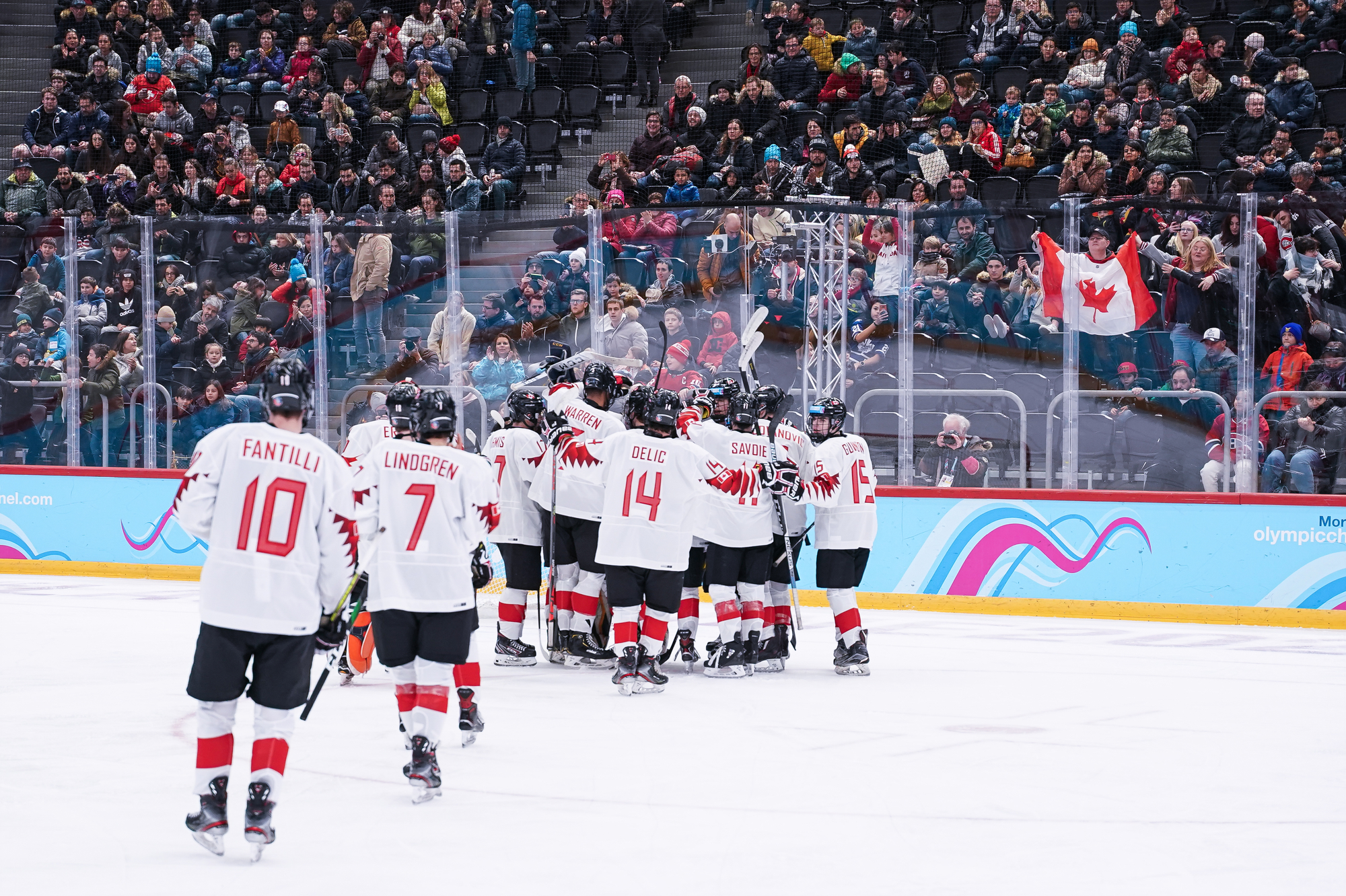 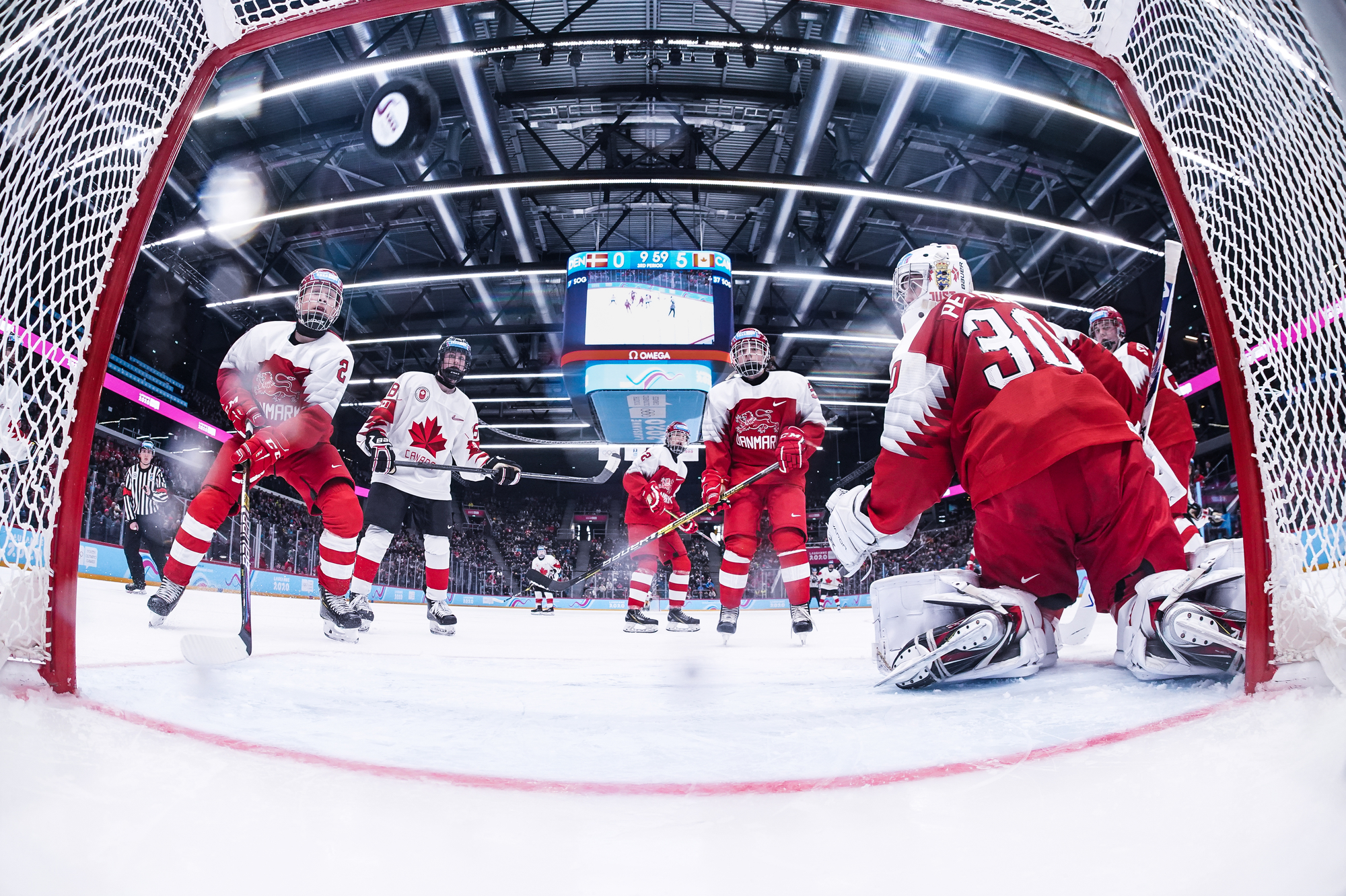 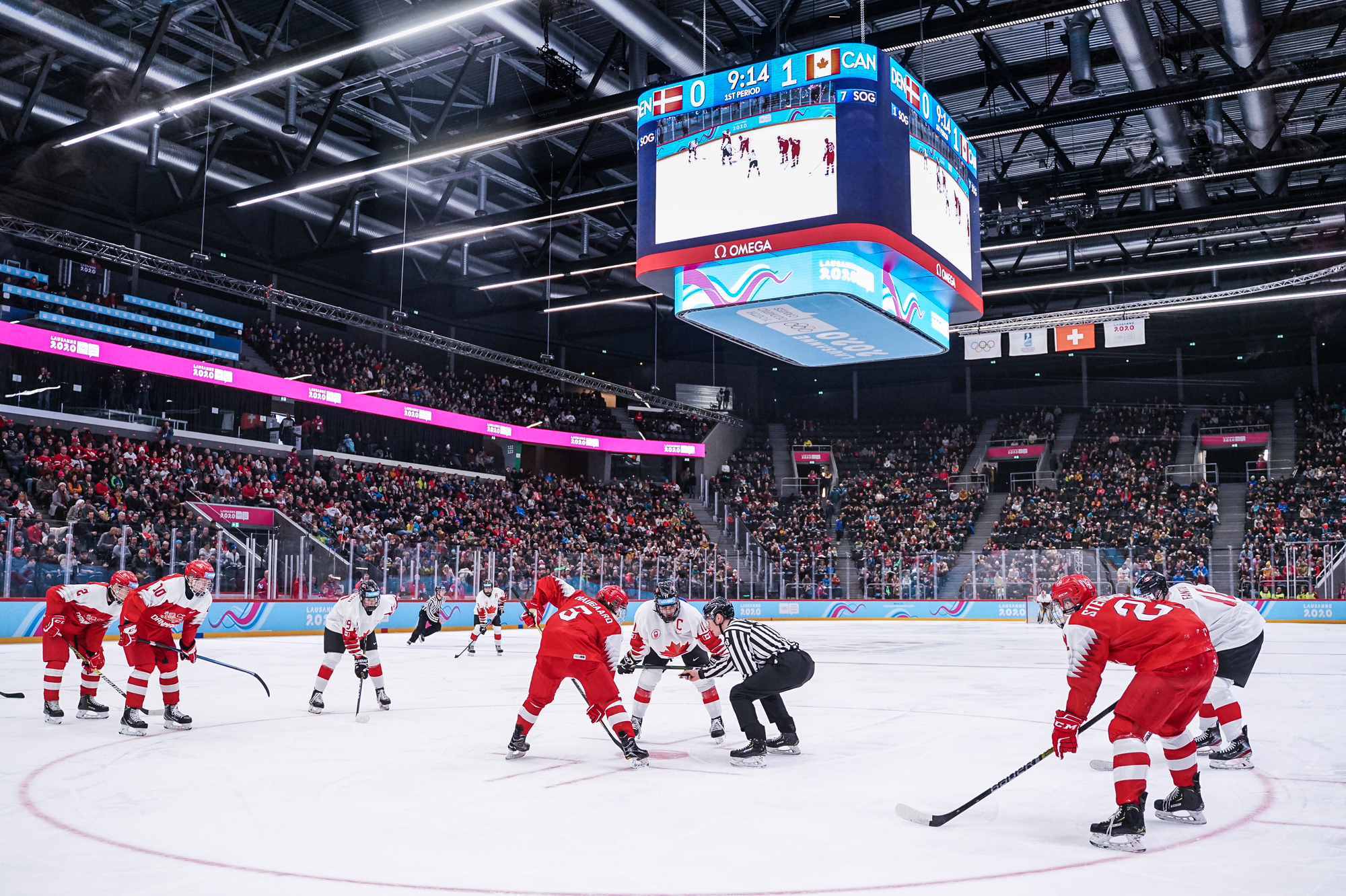