After beating Denmark in a lopsided game the team finishes first in the group and gets the second-ranked team (Finland or Switzerland) from the other group in the semi-finals.

“We had a confident victory and played well. Tomorrow we will play against Finland or Switzerland, which are good teams. Now our preparation starts for the next game,” Russian defenceman Kirill Kudryavtsev said.

It took the Russians only 25 seconds to open the scoring with a slapshot from captain Miroshnichenko. Three minutes later Michkov showed his skill by skating a wraparound around the net and make the Danish defence look like slalom poles.

The game mostly knew one direction. At 12:35 Miroshnichenko scored his second goal of the game beating Magnus Mortensen on the stick side.

During a 5-on-3 early in the middle frame the Russians also tried it with classic tic-tac-toe passing. Artyom Duda sent the puck deep to Ilya Rogovski on the left side of the net, who found Michkov to the right to score the 4-0 goal.

Three minutes later the third forward of the first line made it to the scoreboard. Ilya Kvochko’s shot to the net went in via the back of Danish defenceman Oliver Villadsen.

The goal was first mistakenly credited to Michkov but never mind, the Russian wizard completed his hat trick three minutes later with the 6-0 marker.

Russia’s goal galore continued in the third period where Michkov got his fourth goal on a rebound. Miroshnichenko followed up with a nice top-shelf backhand shot to join him among the hat trick scorers. And with 58.9 seconds left in the game Kirill Dolzhenkov scored the goal for the final result of 9-0.
Russia vs. Denmark - 2020 Youth Olympic Games (Men) 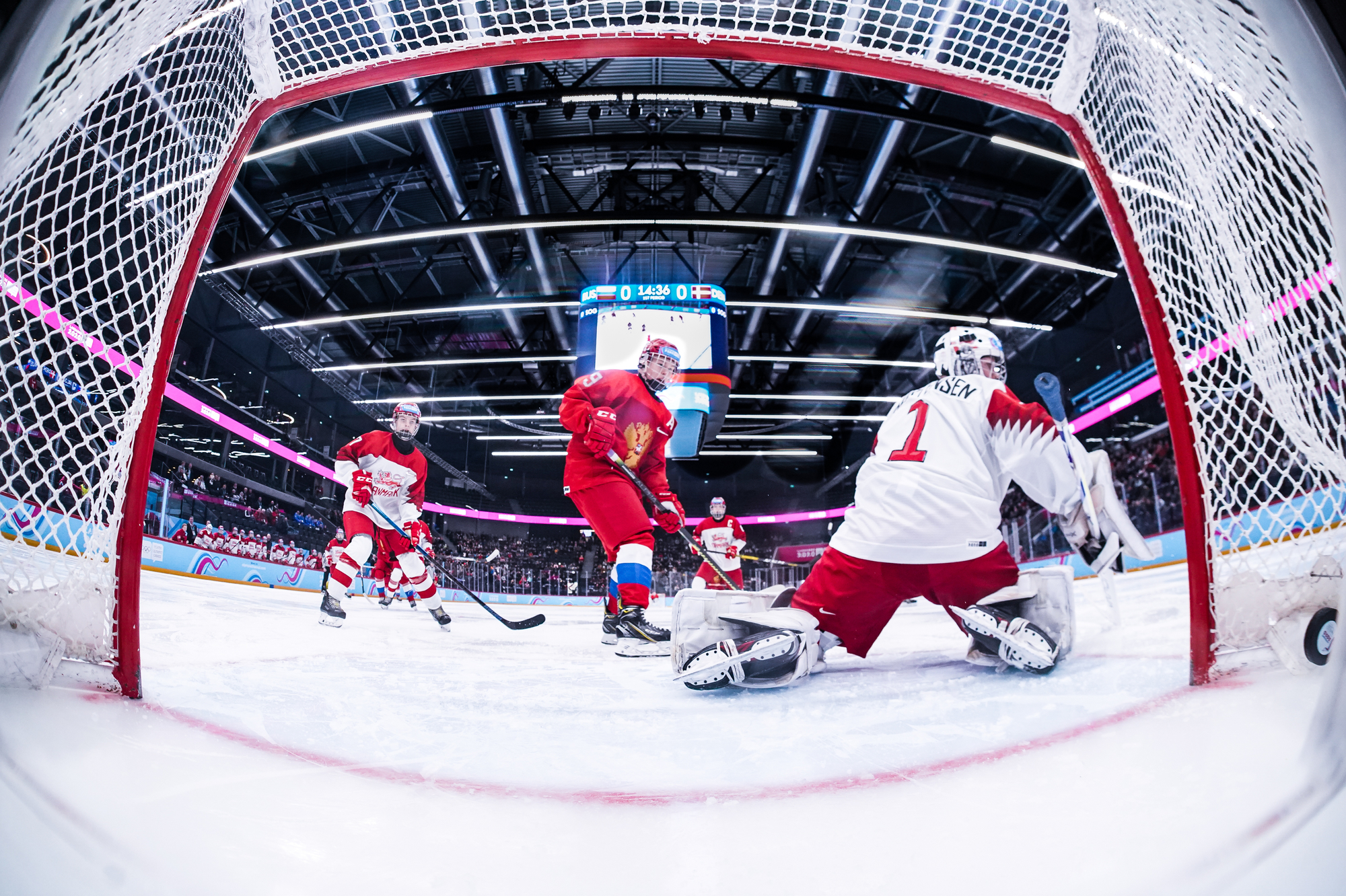 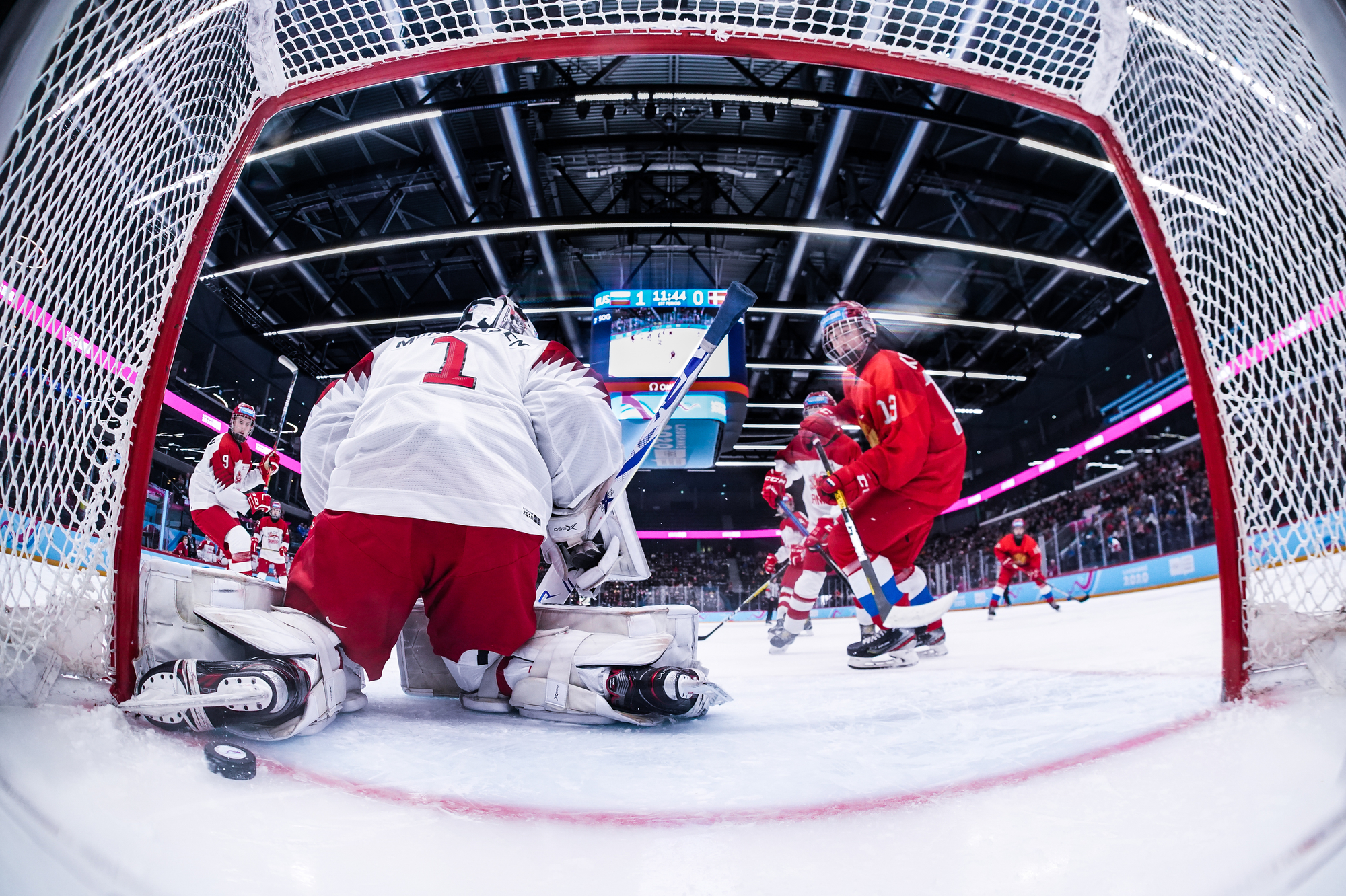 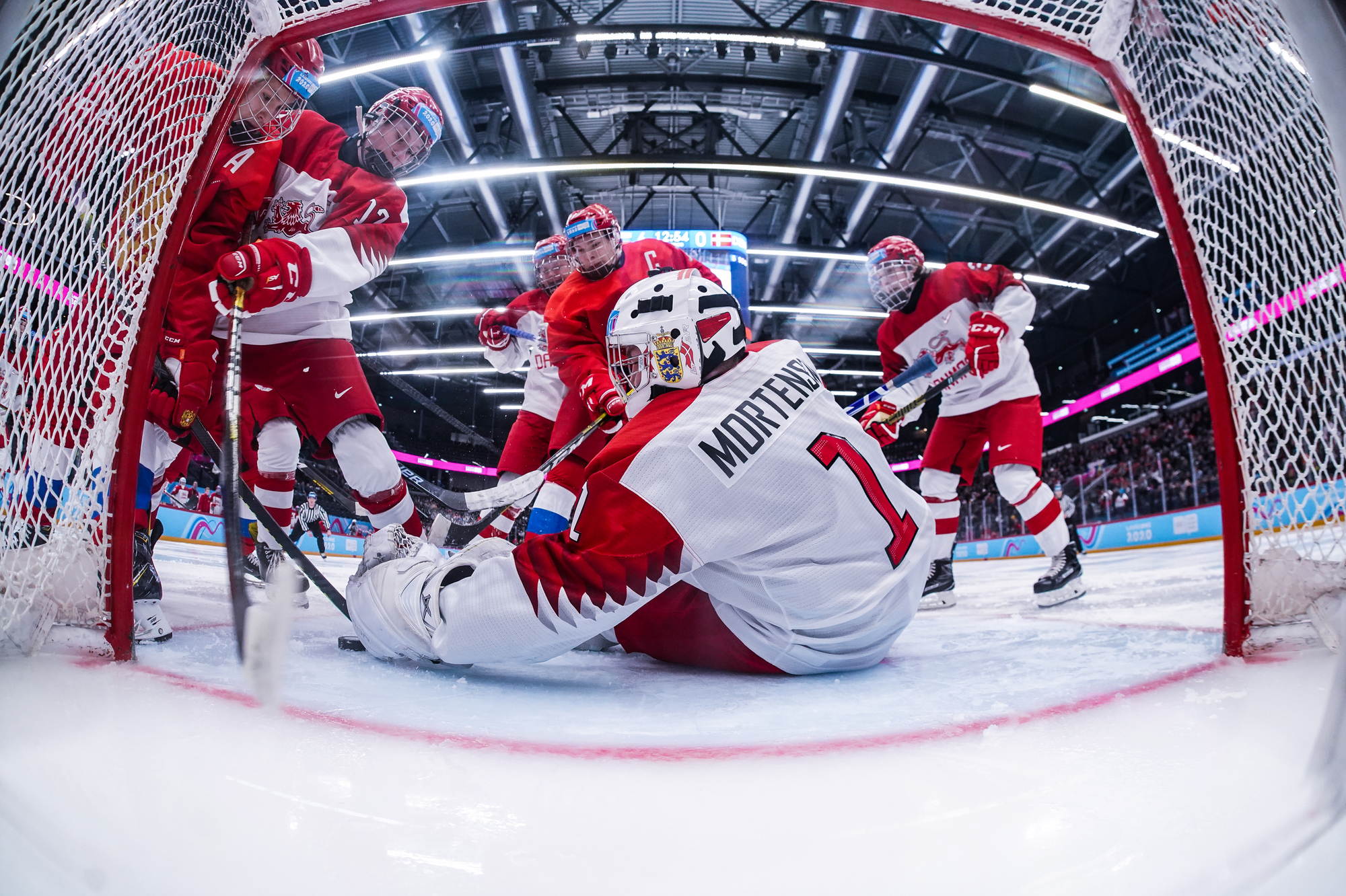 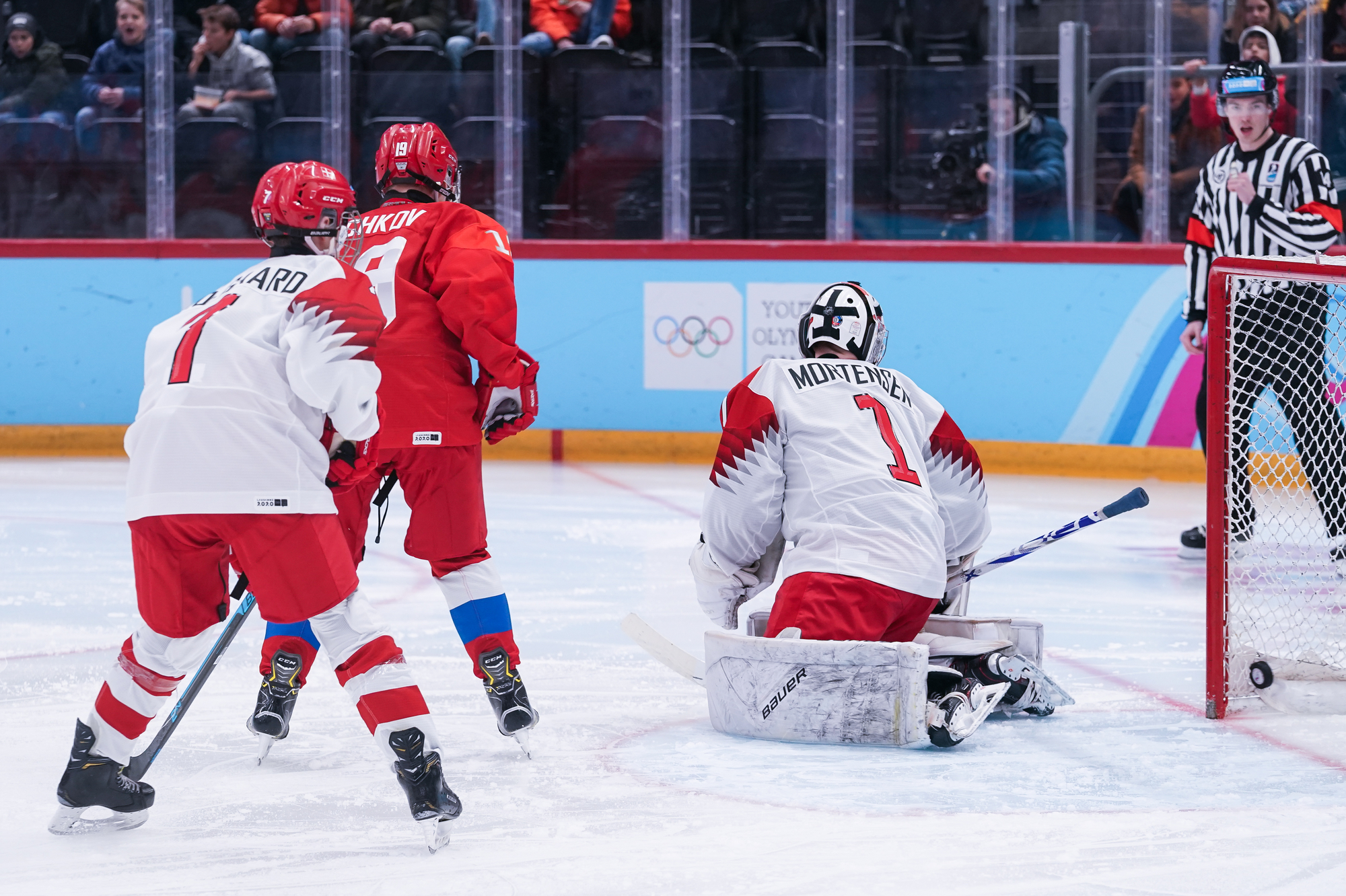 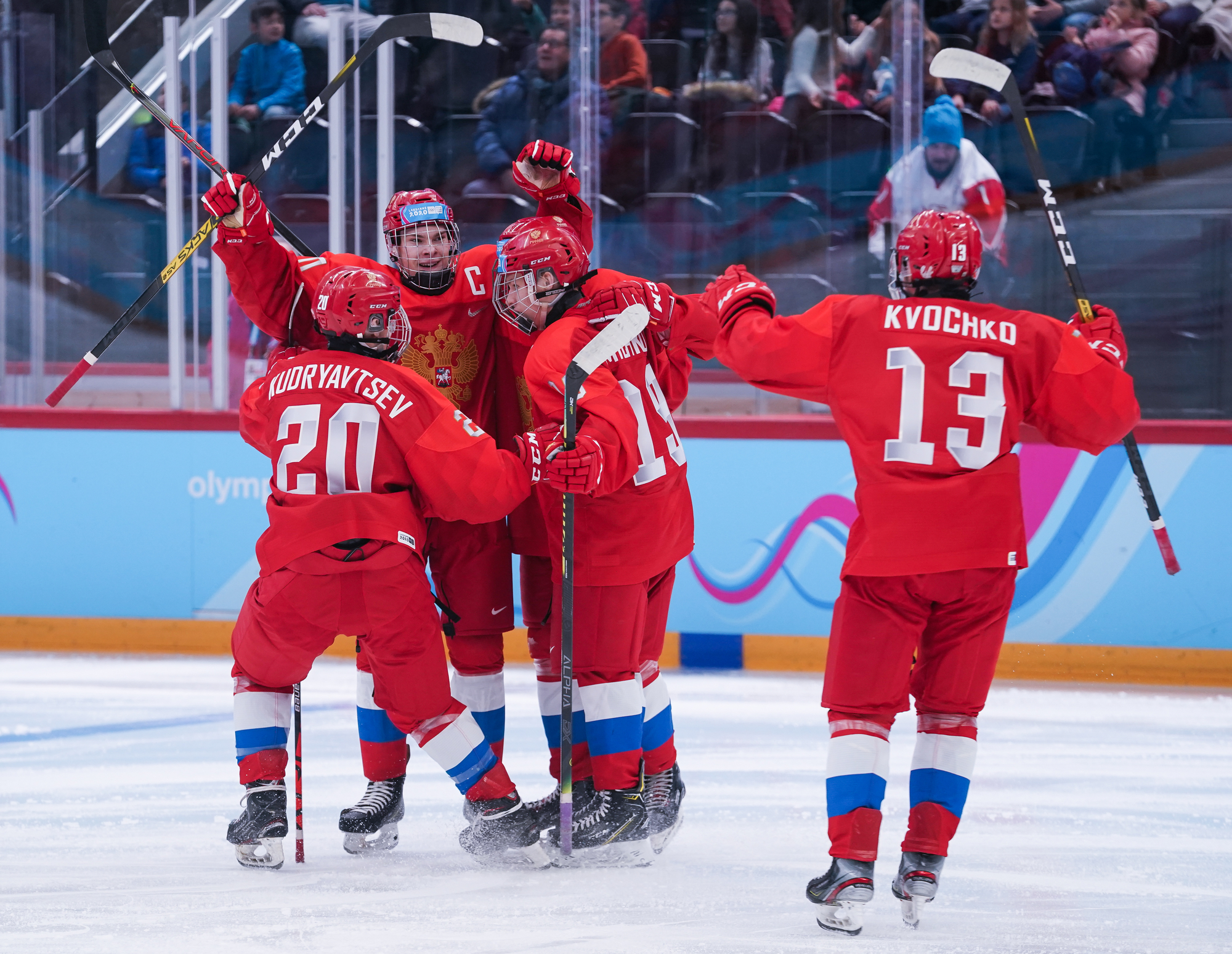 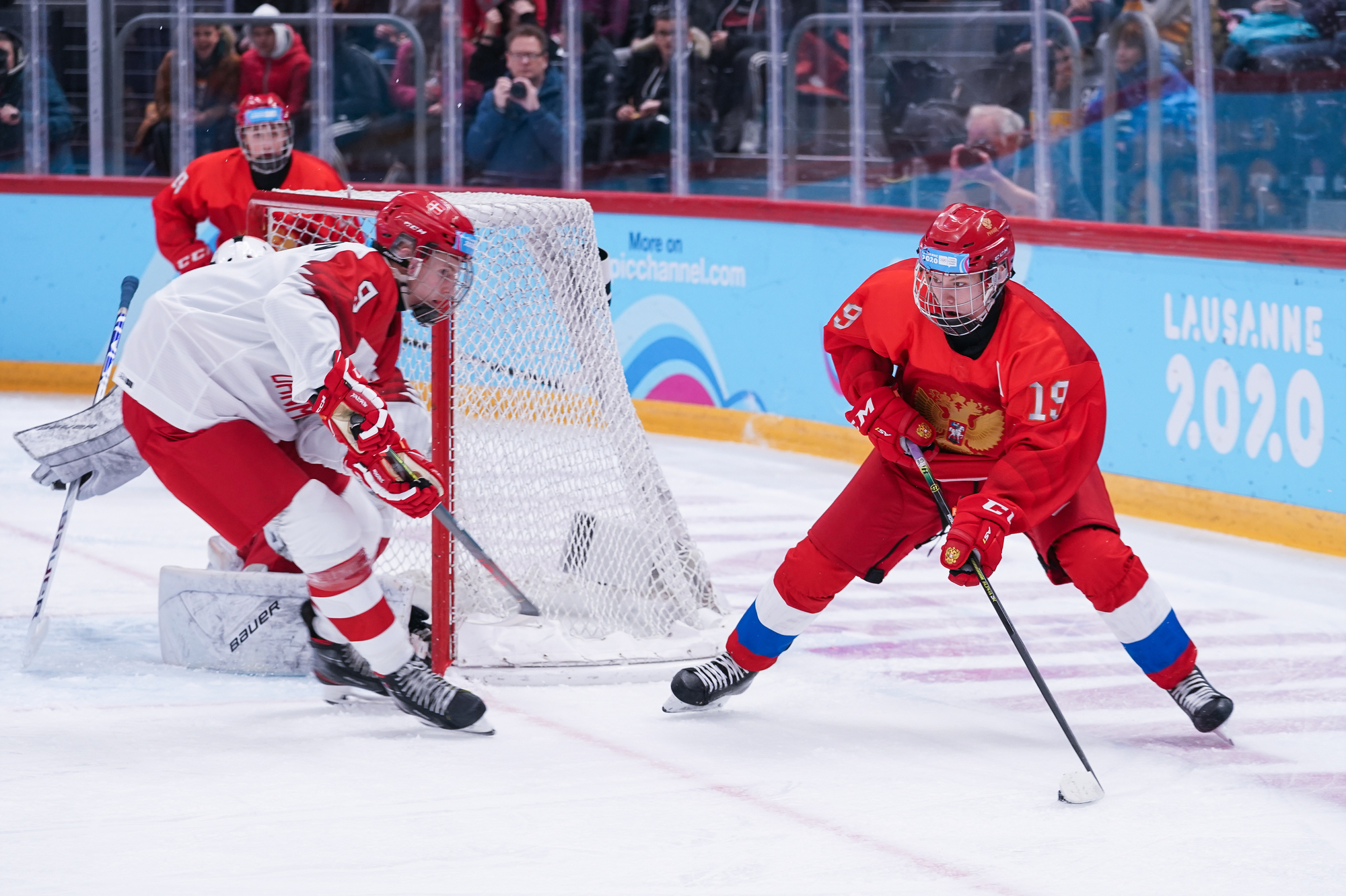 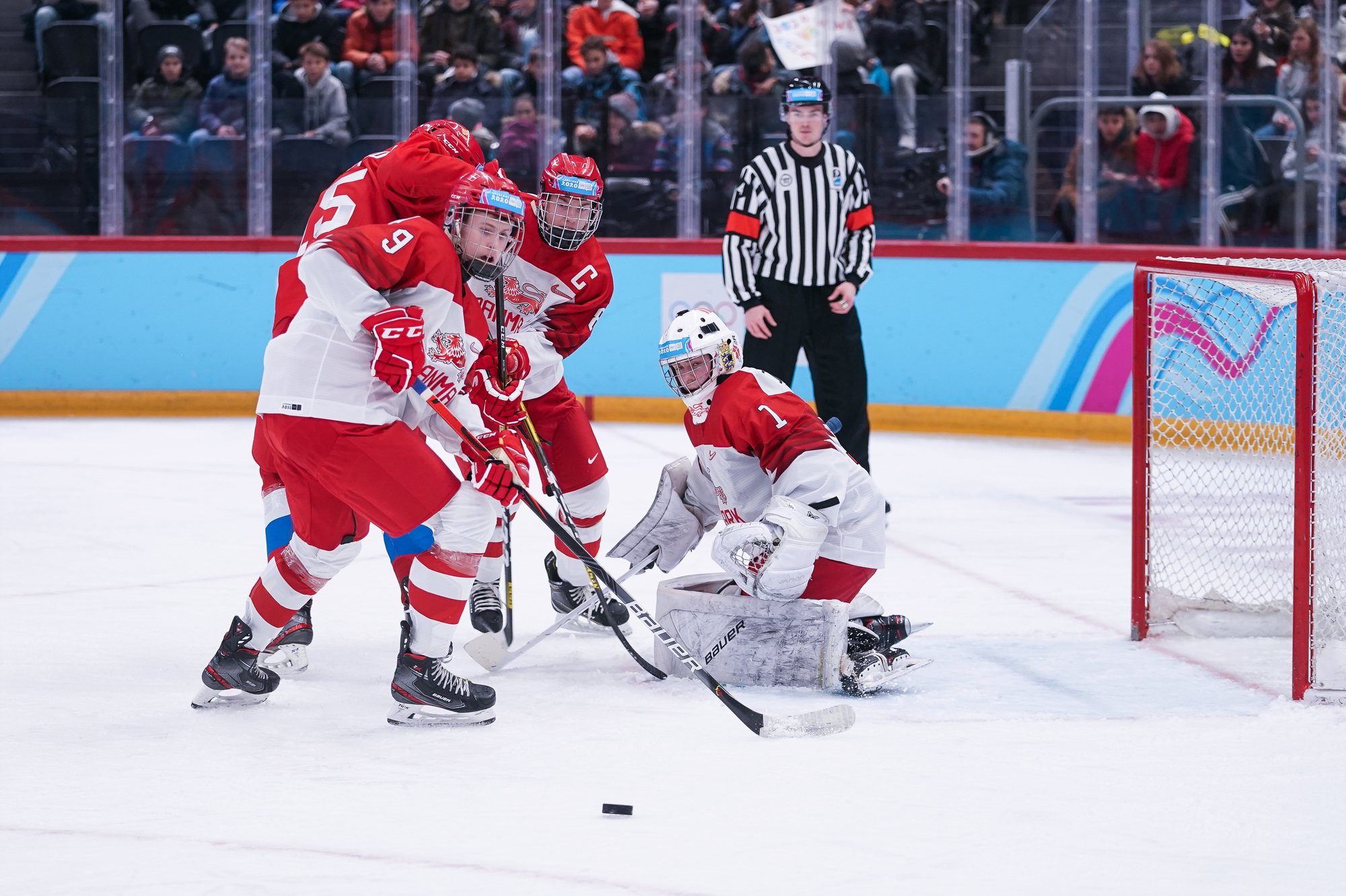 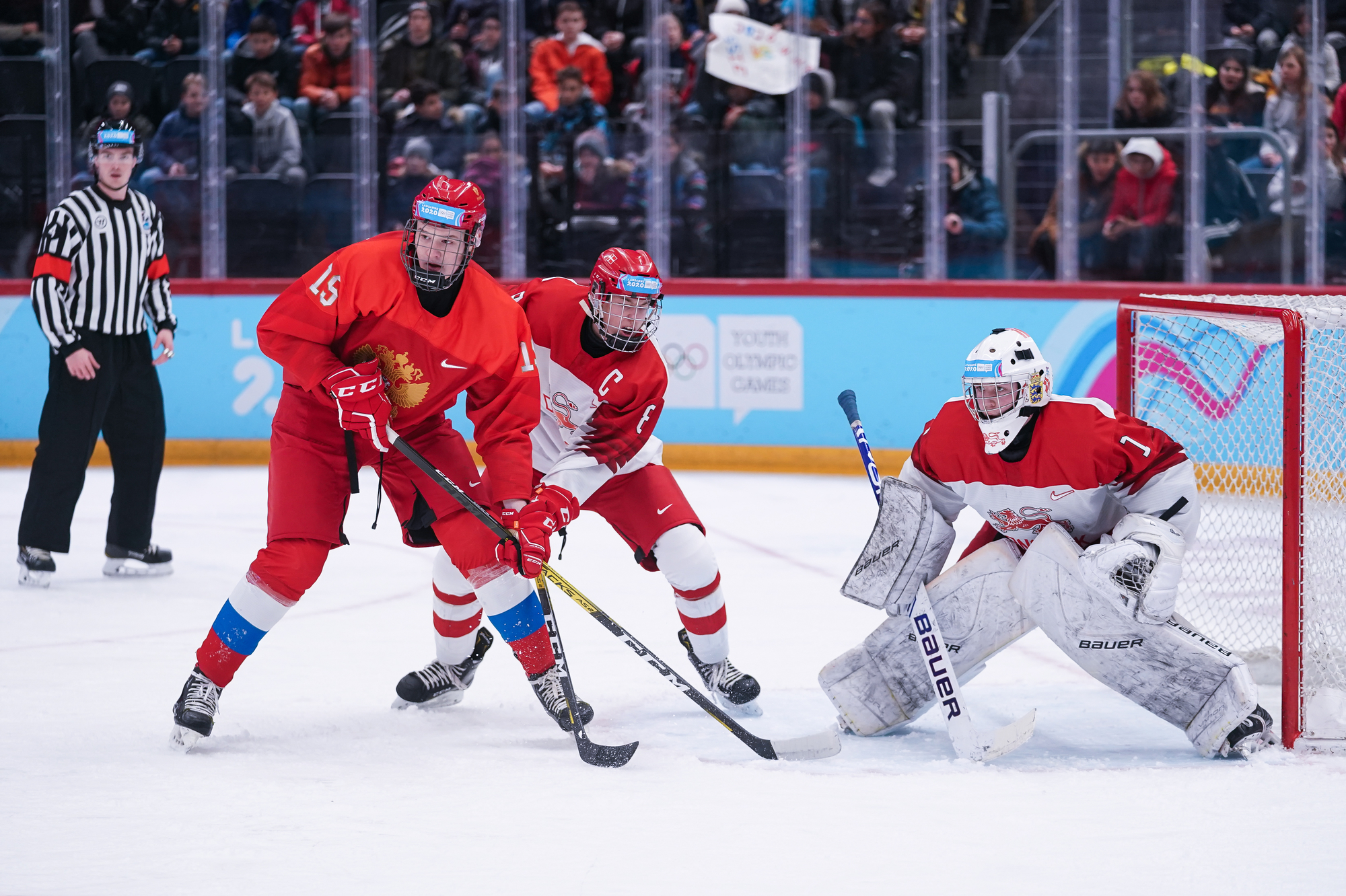 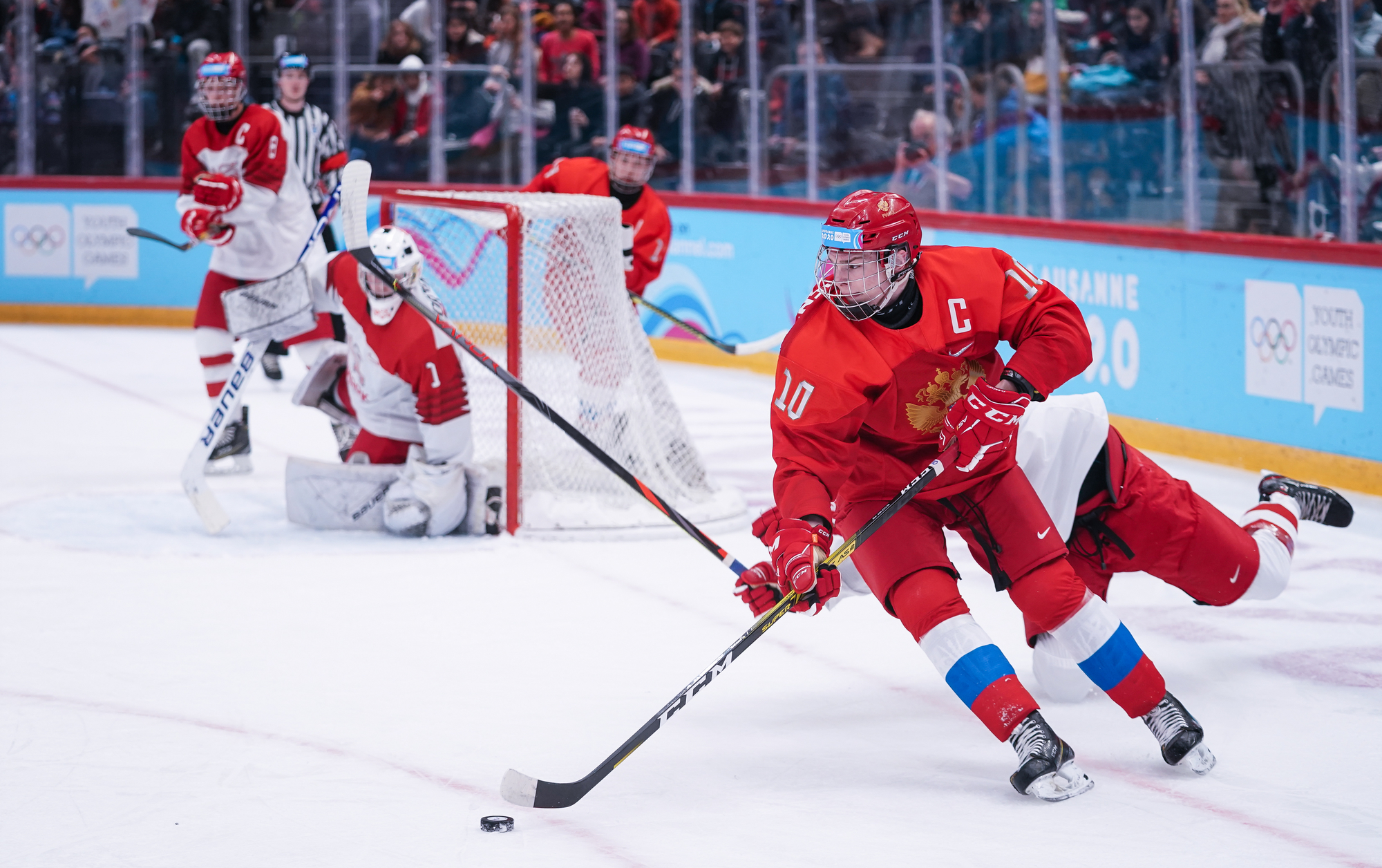 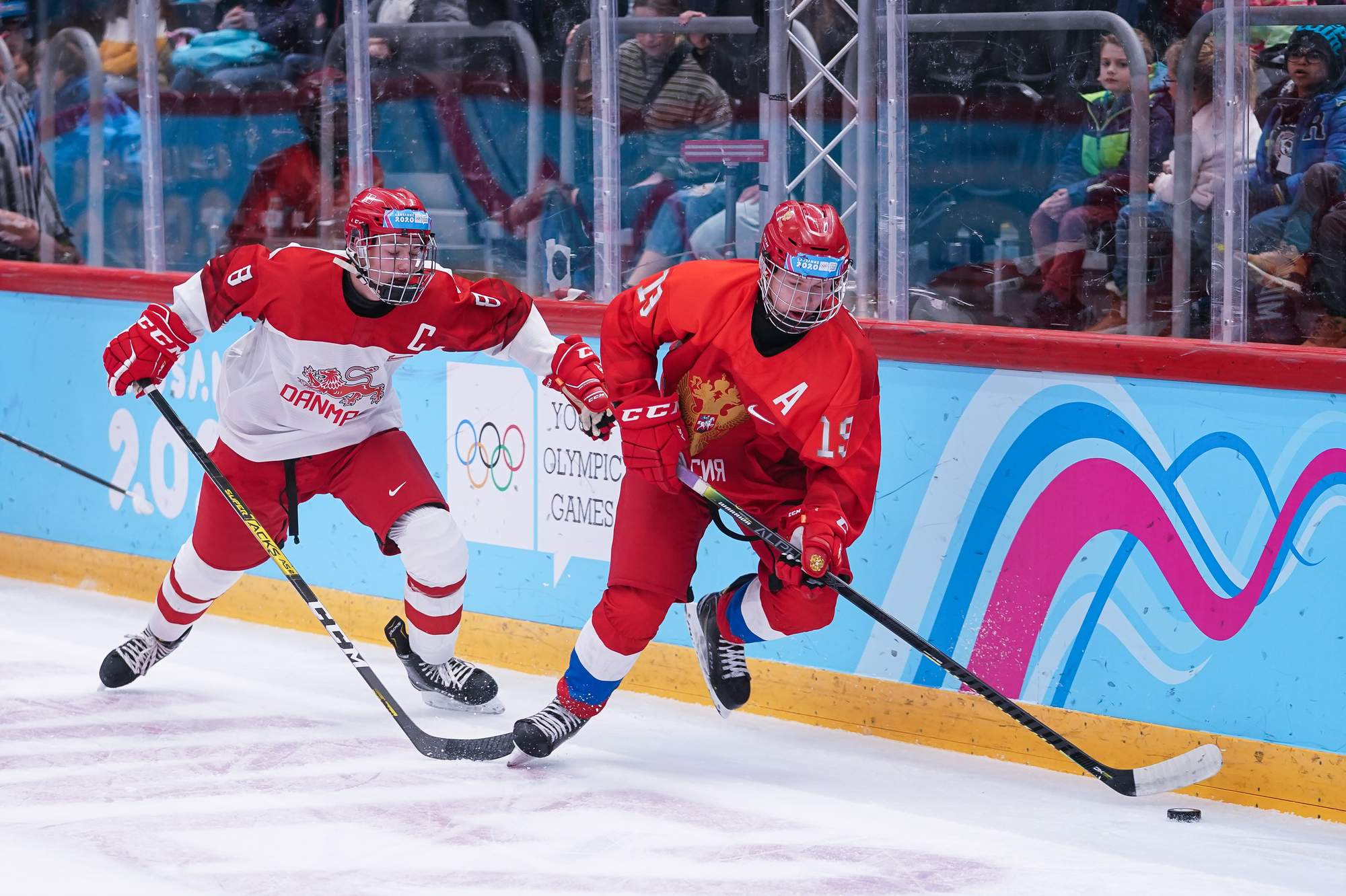 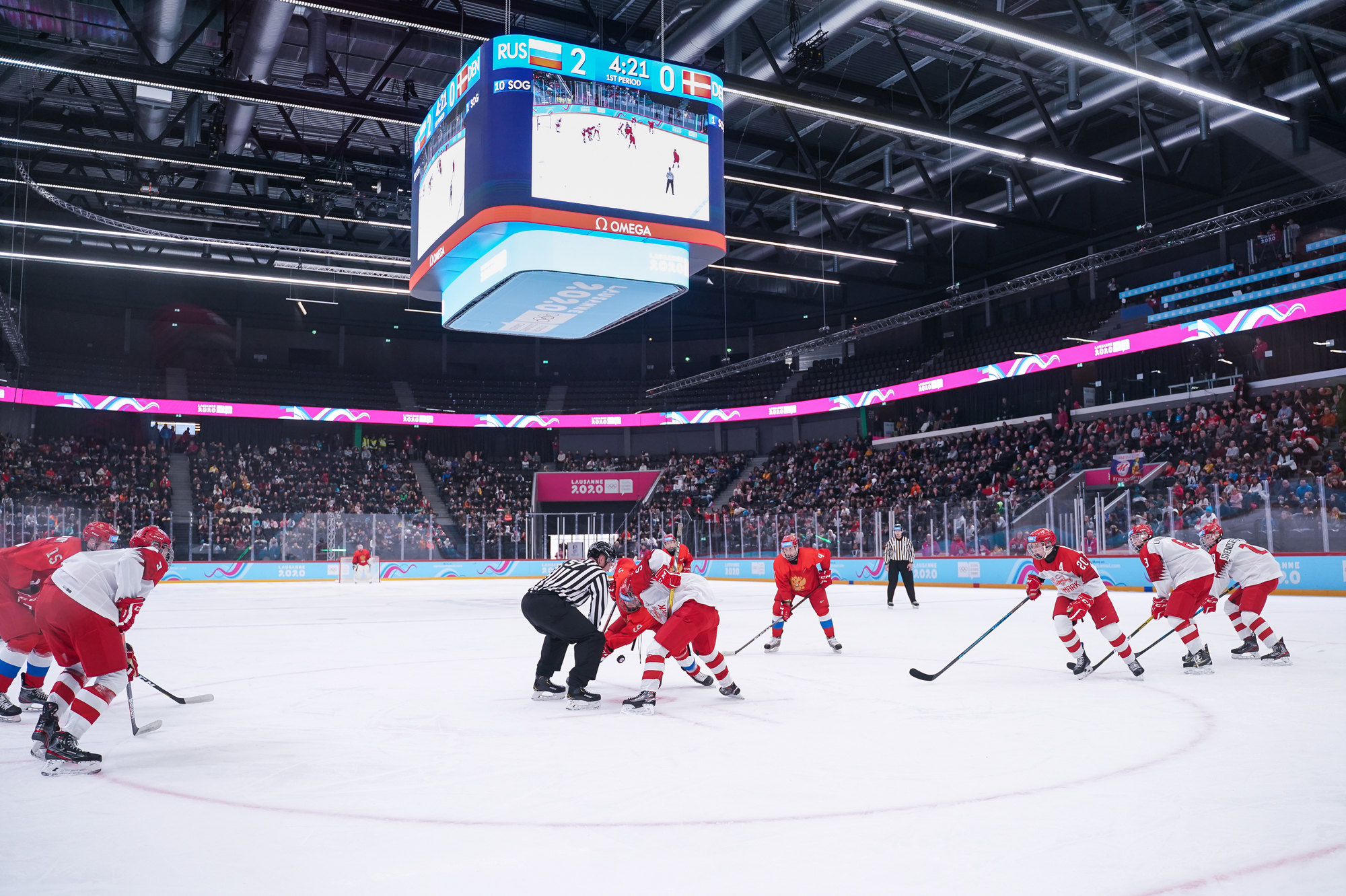 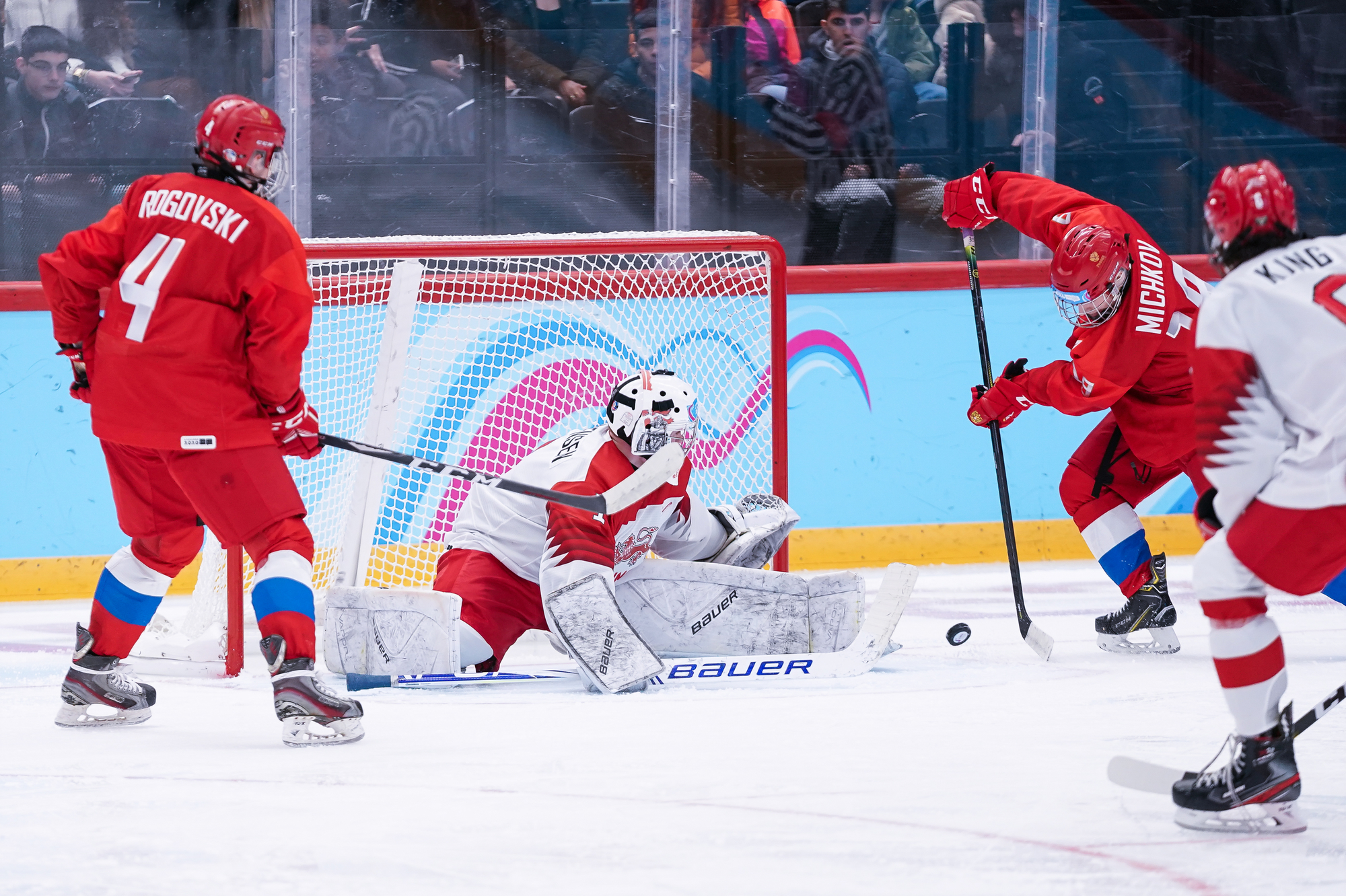 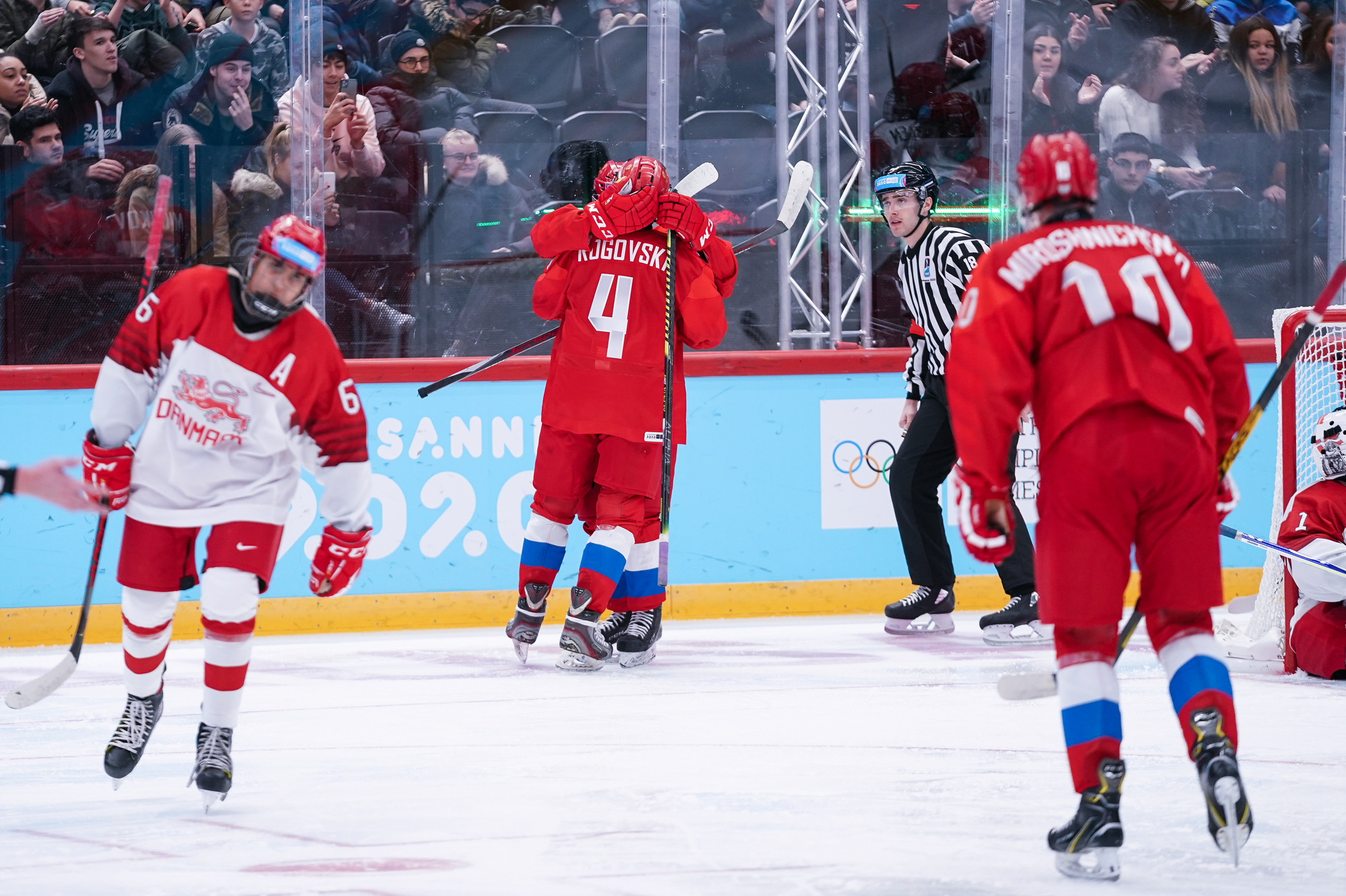 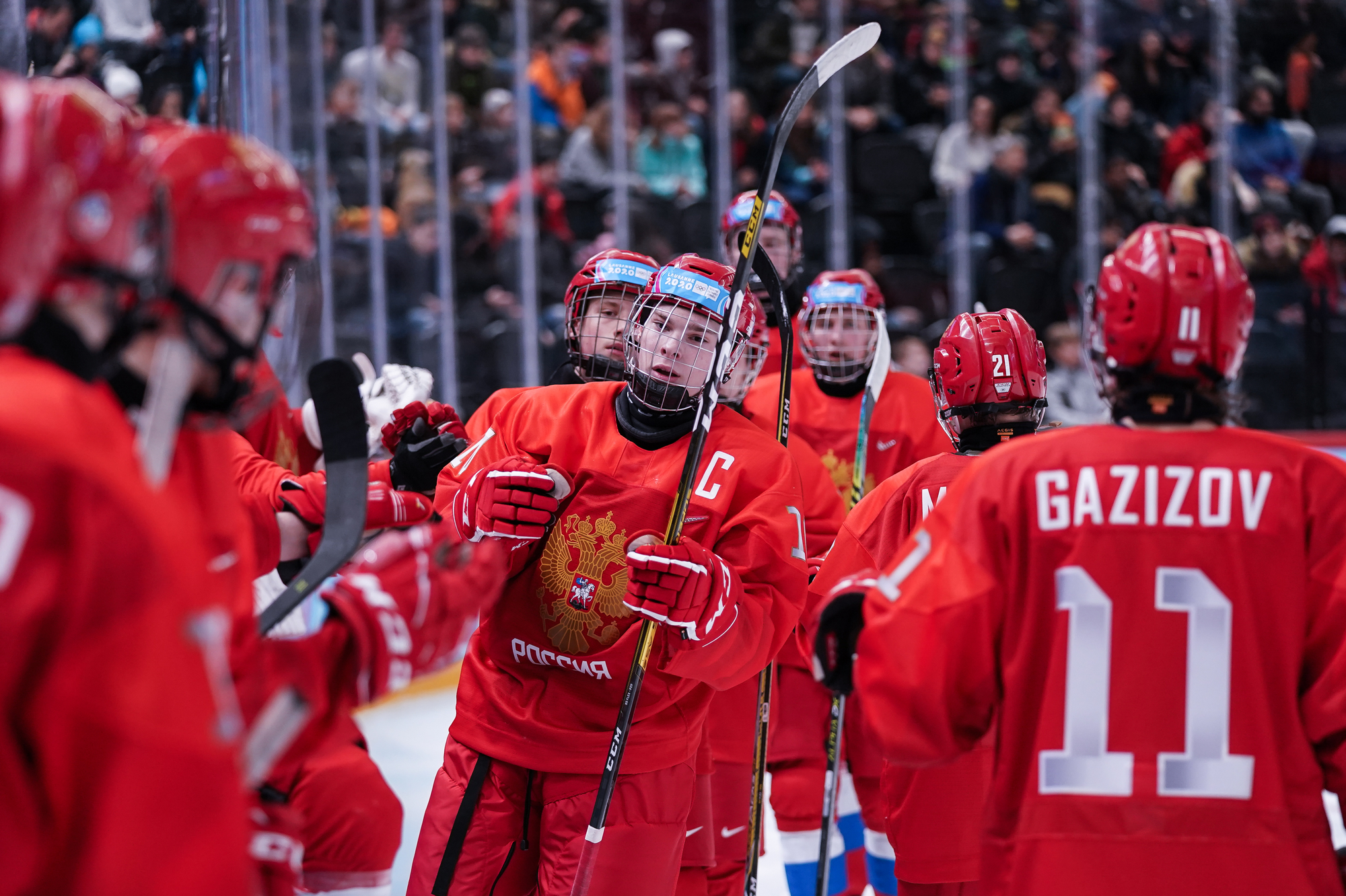 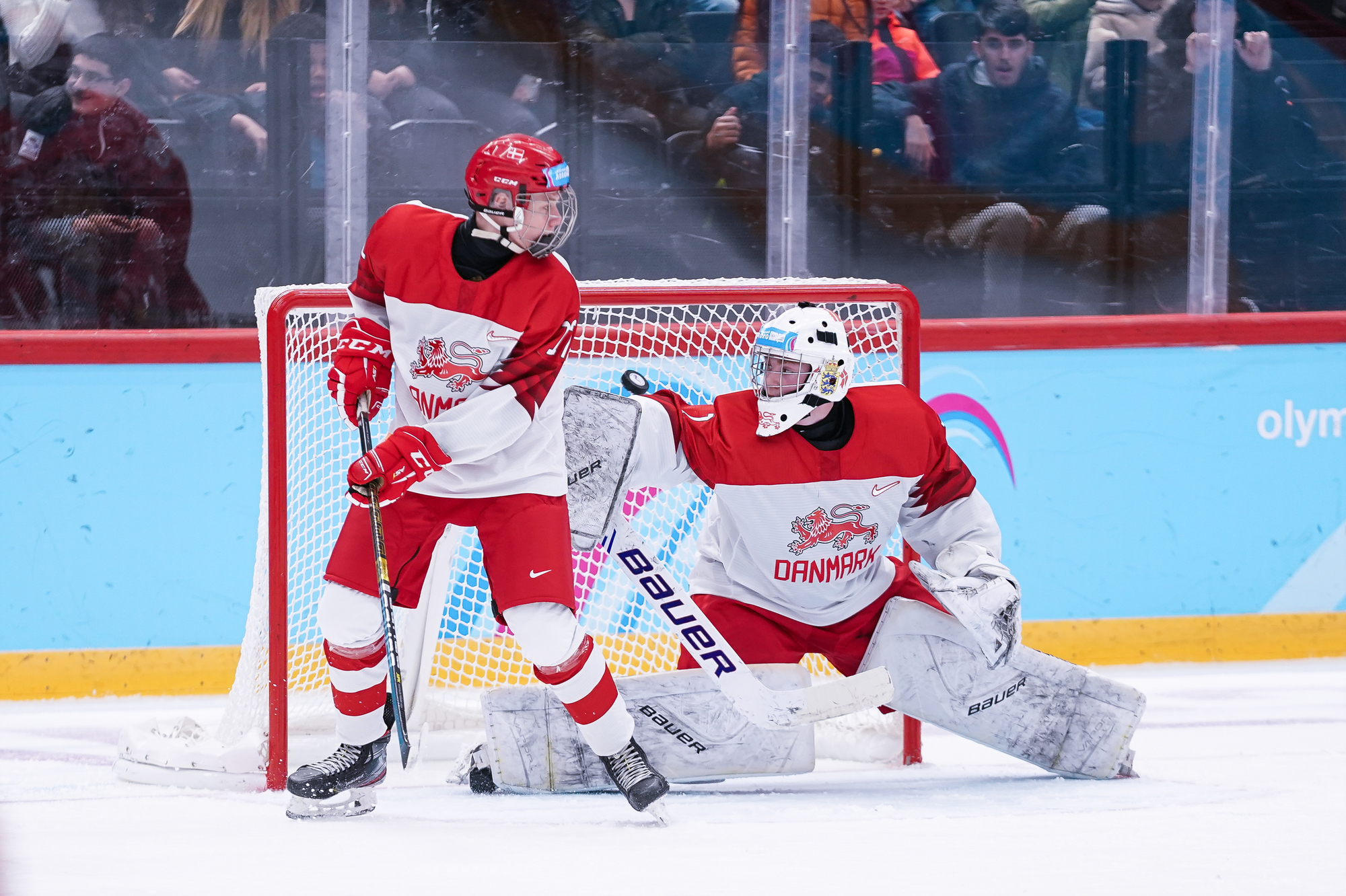 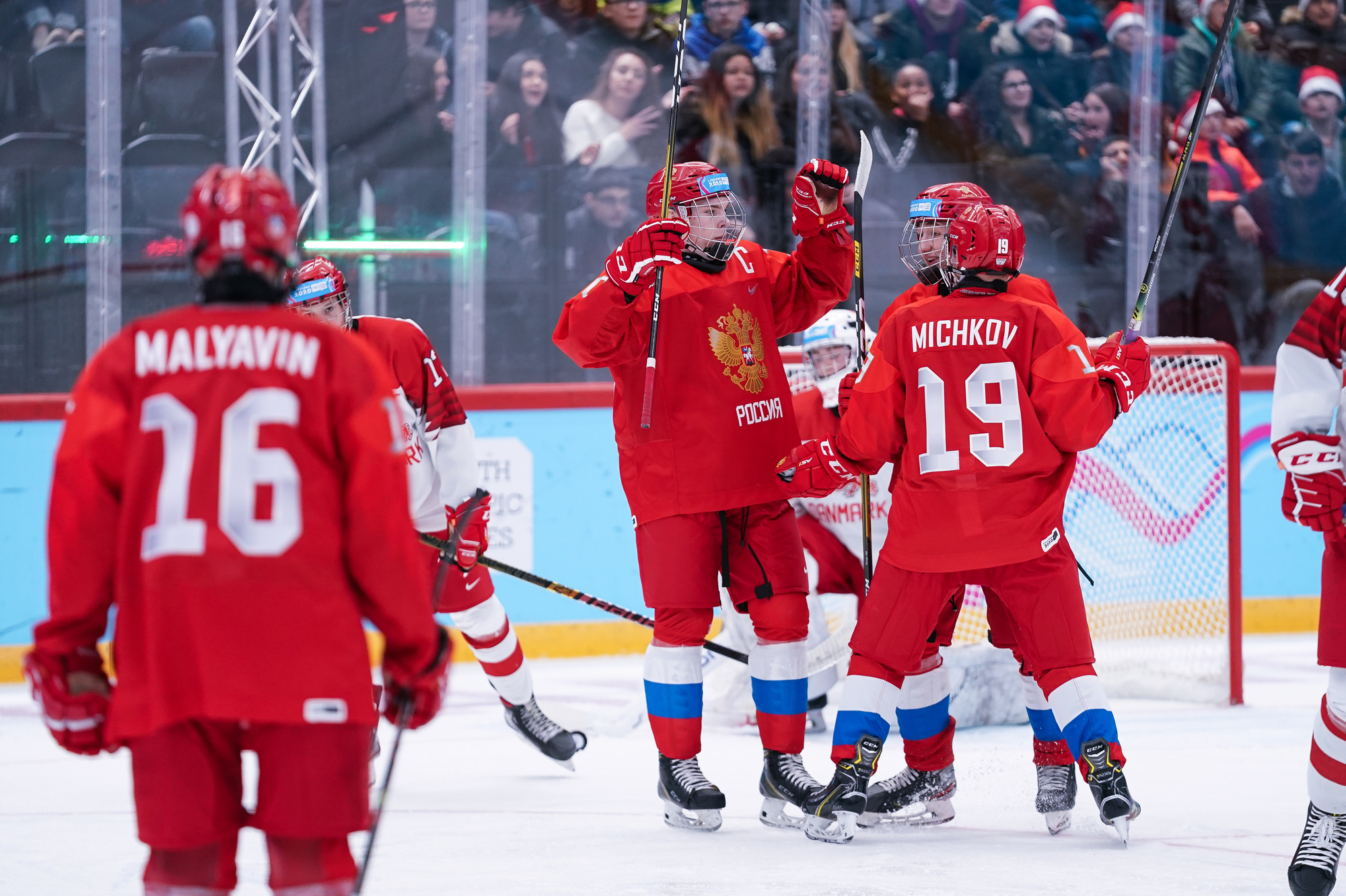 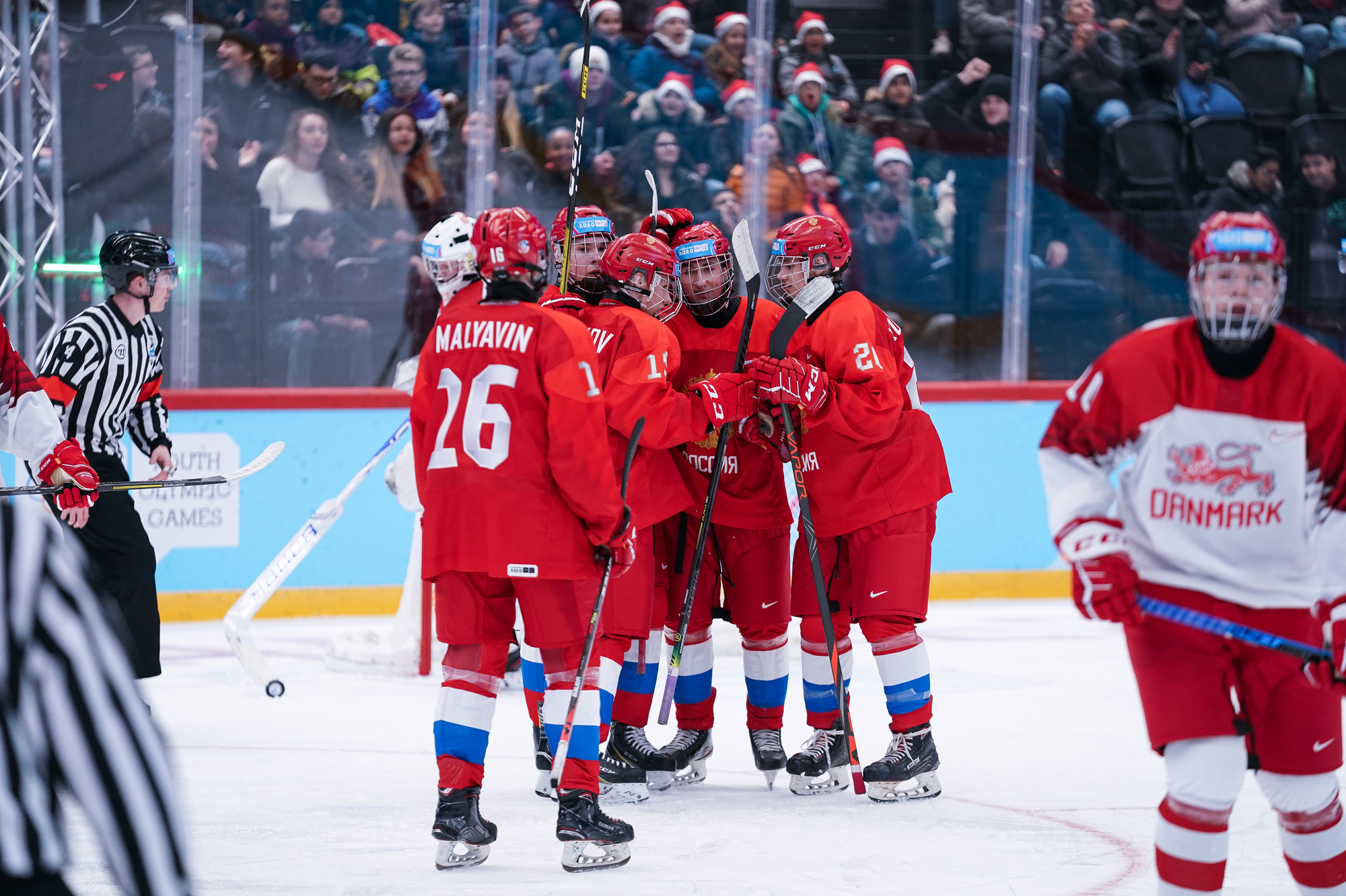 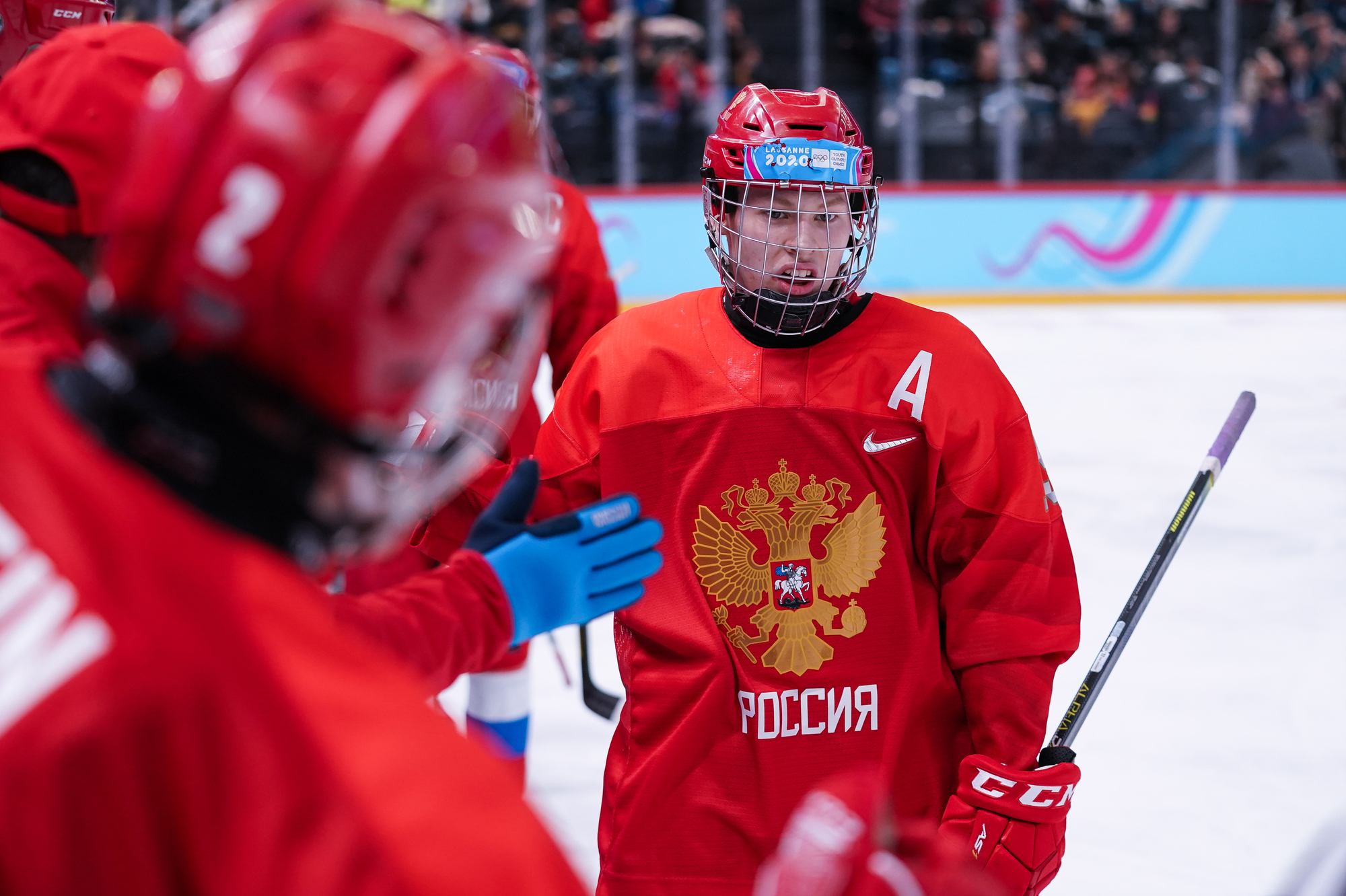 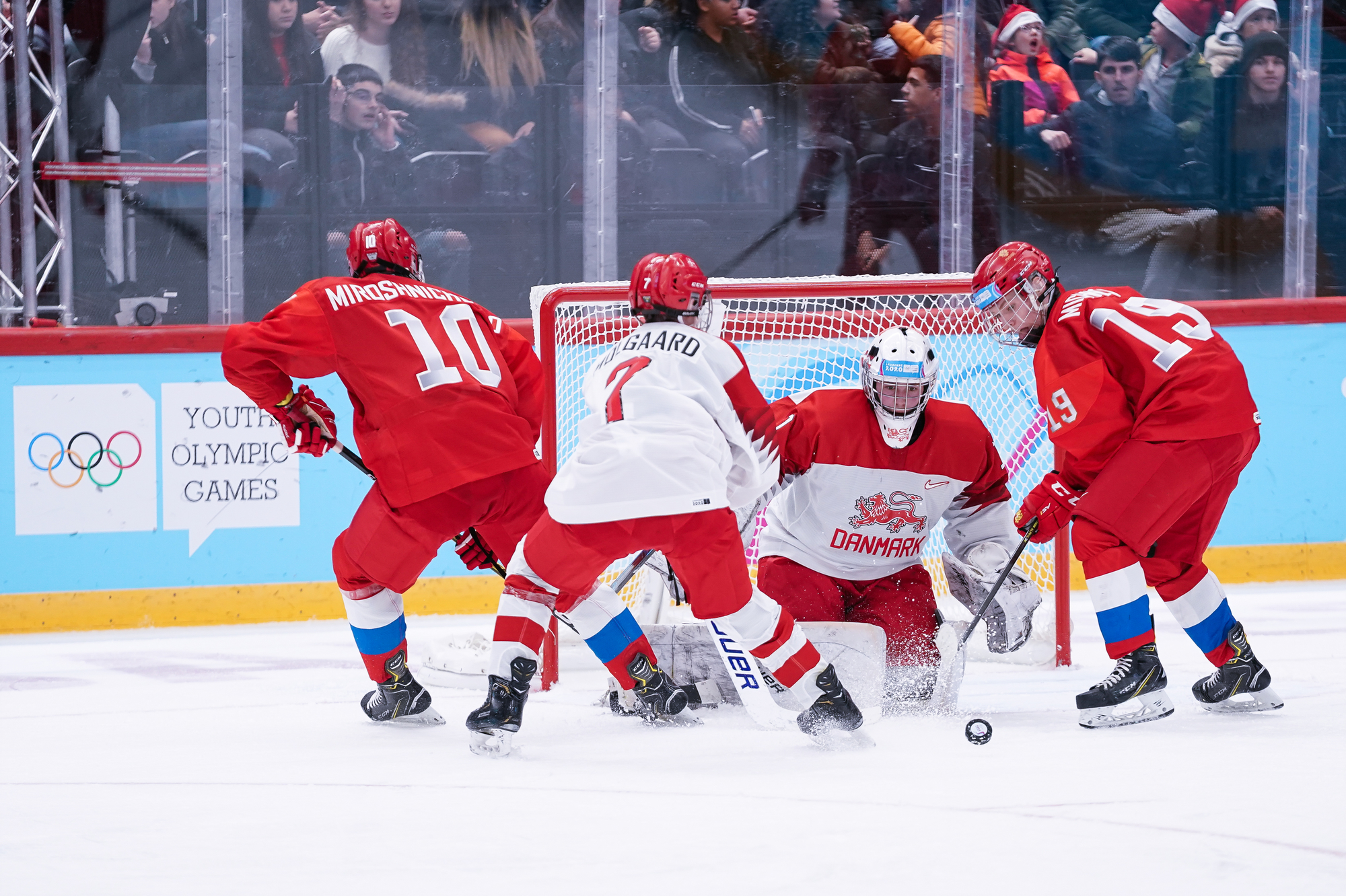 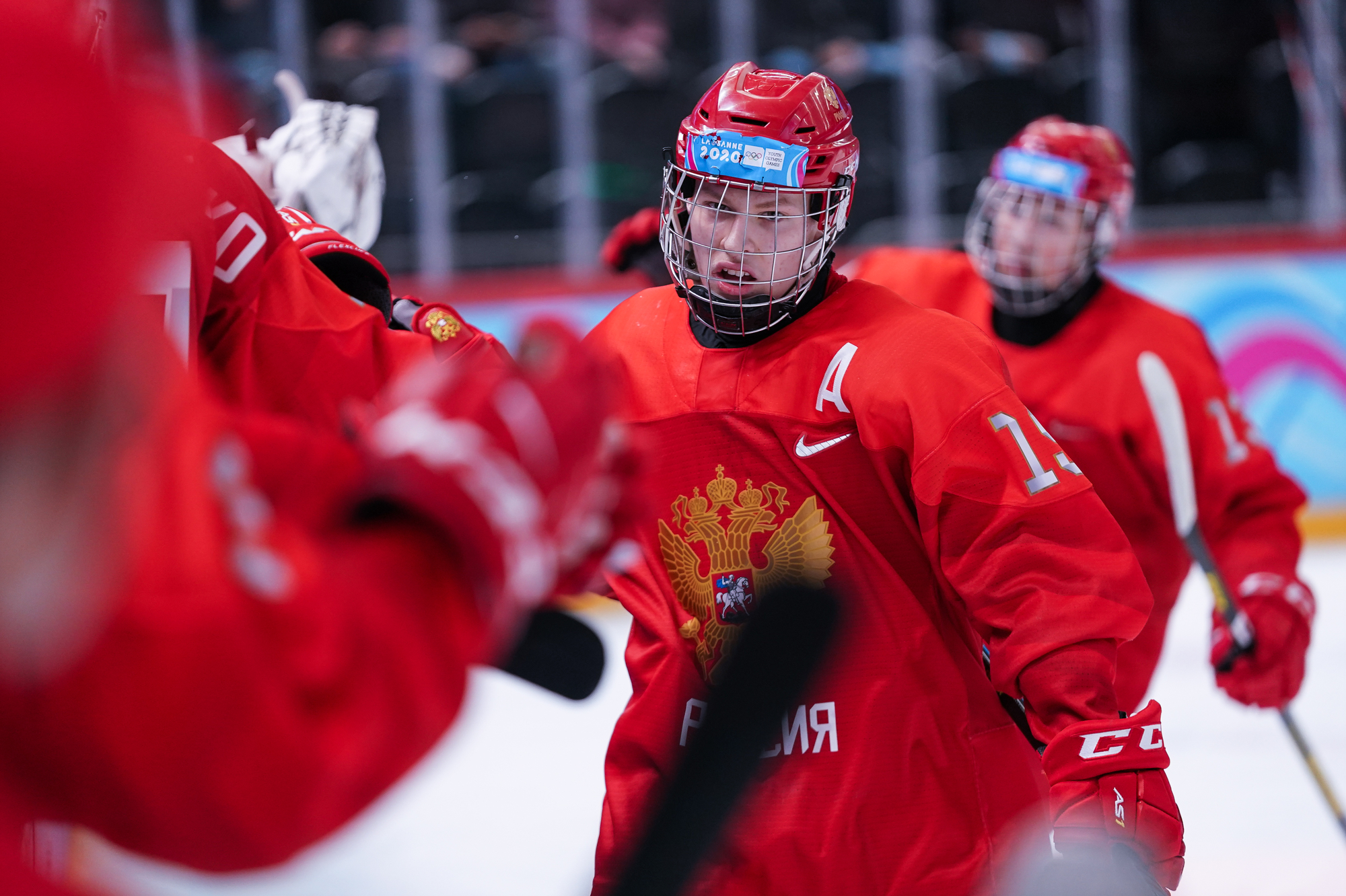 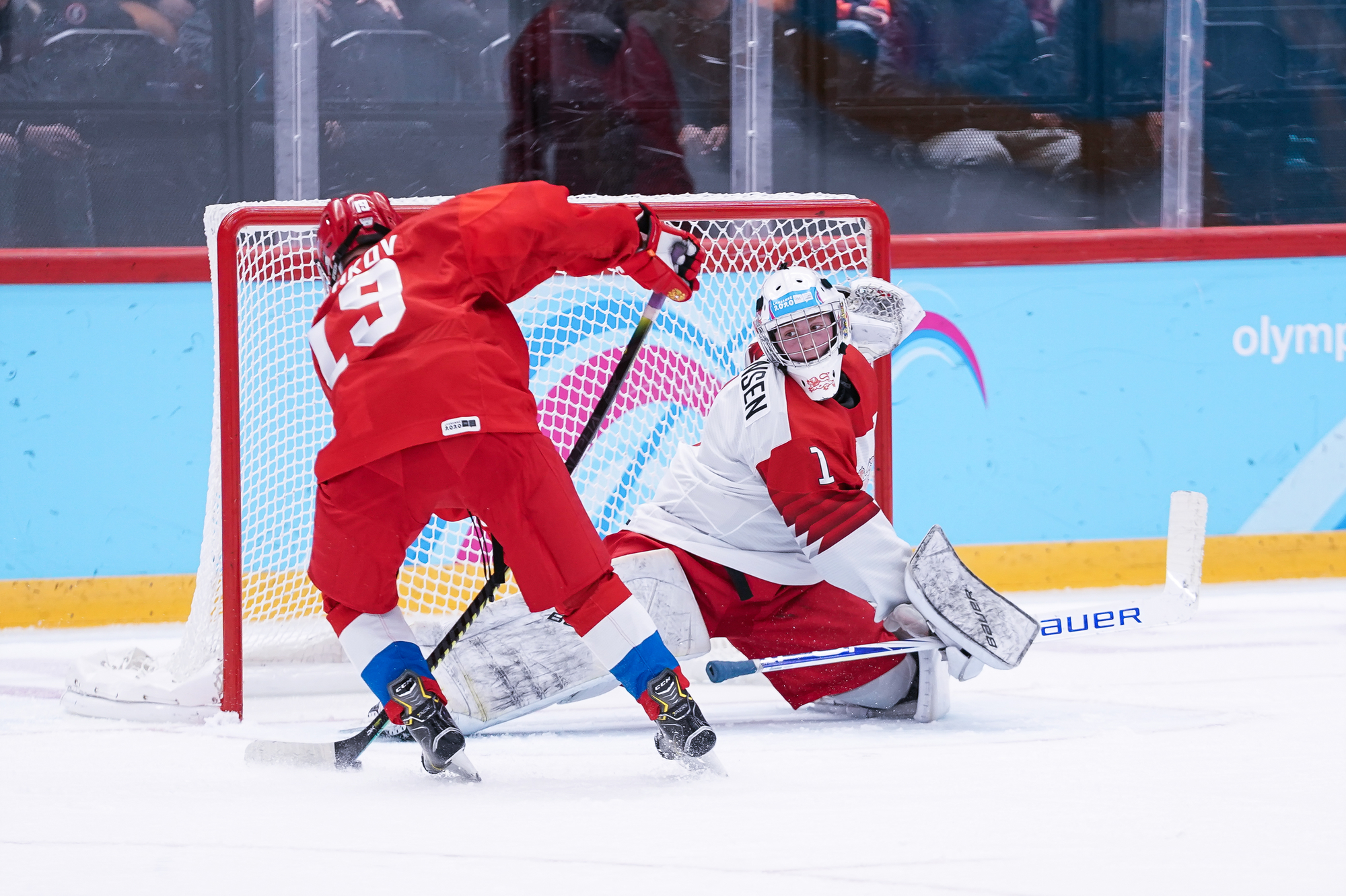 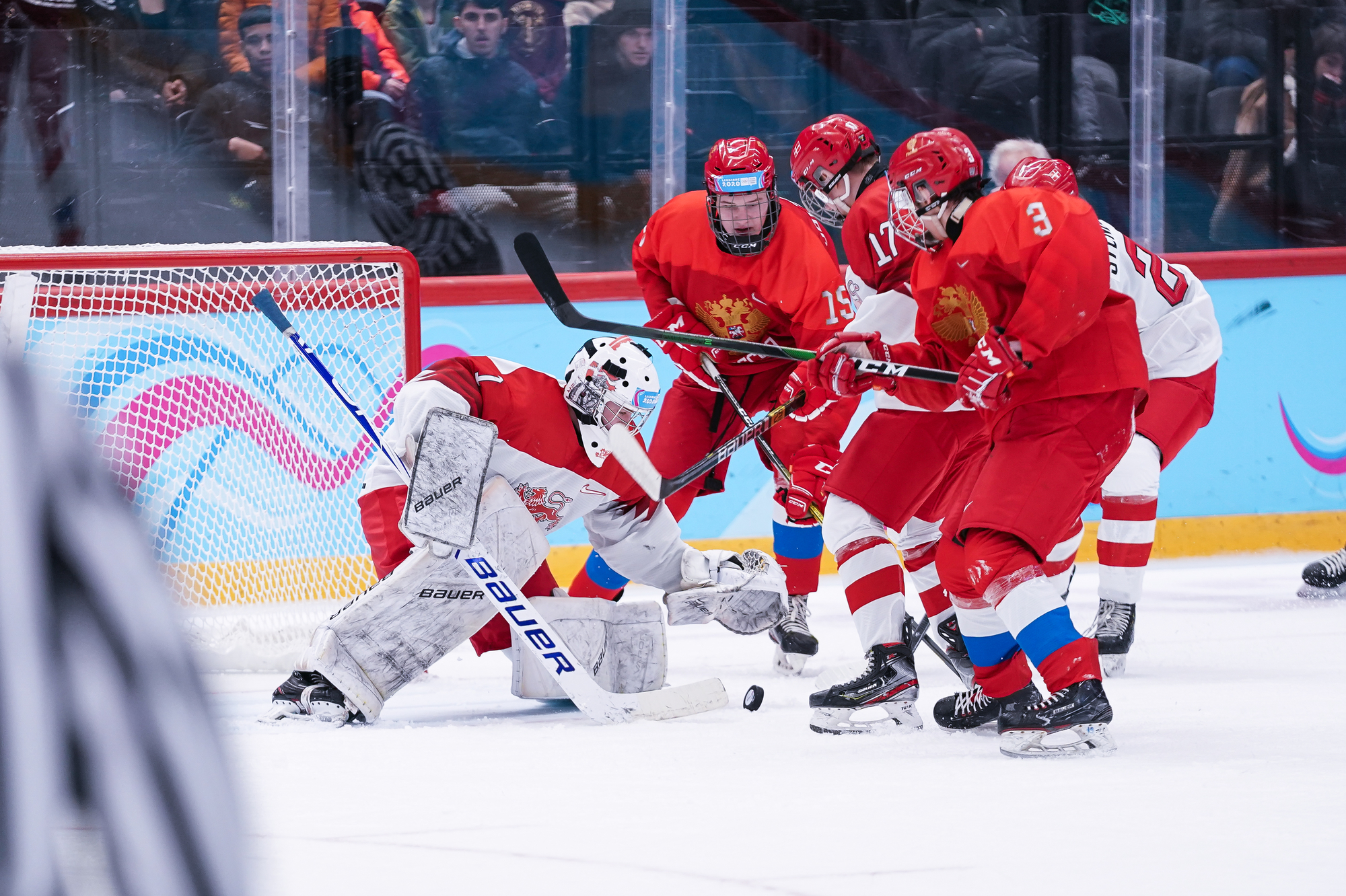 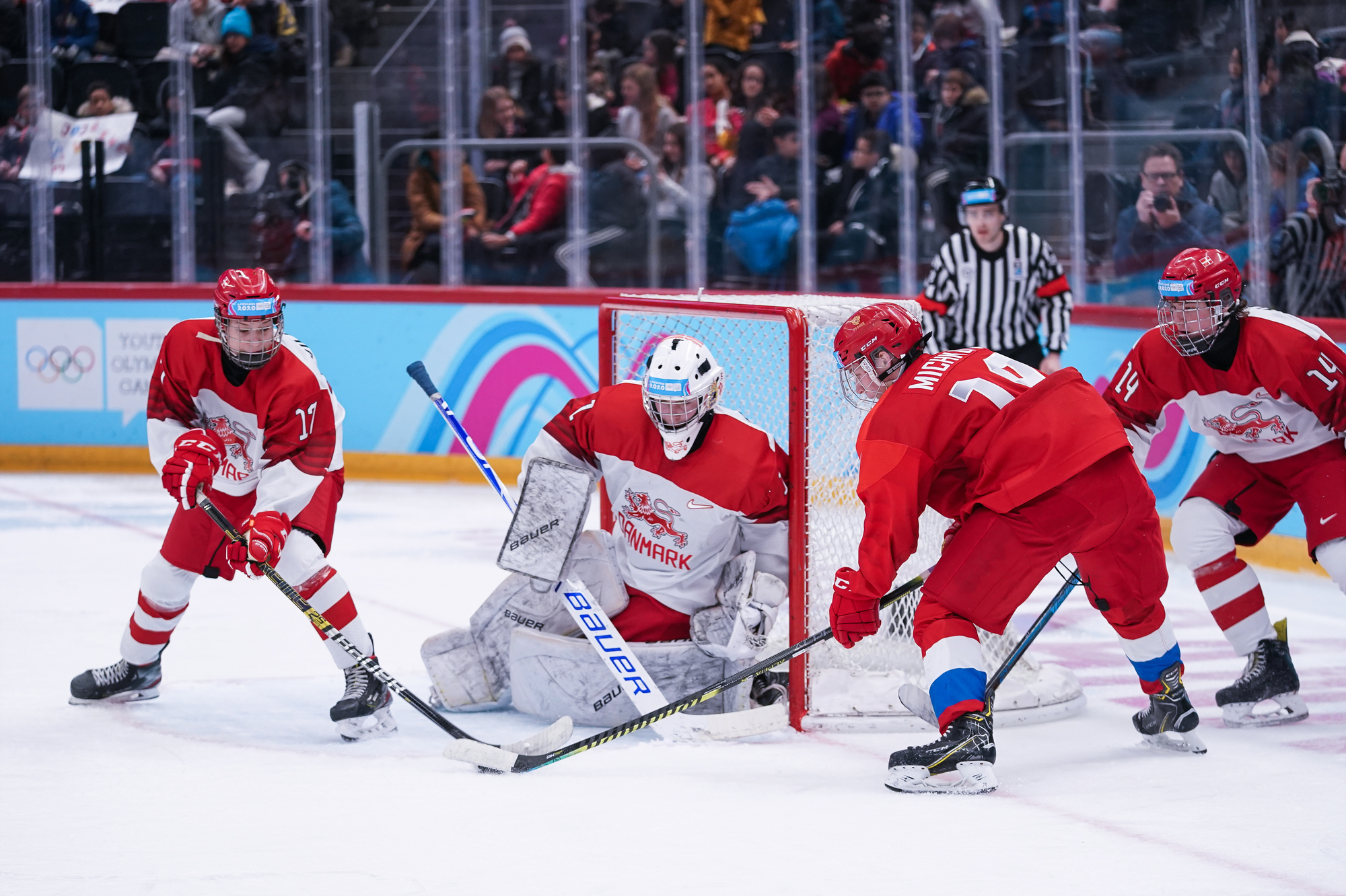 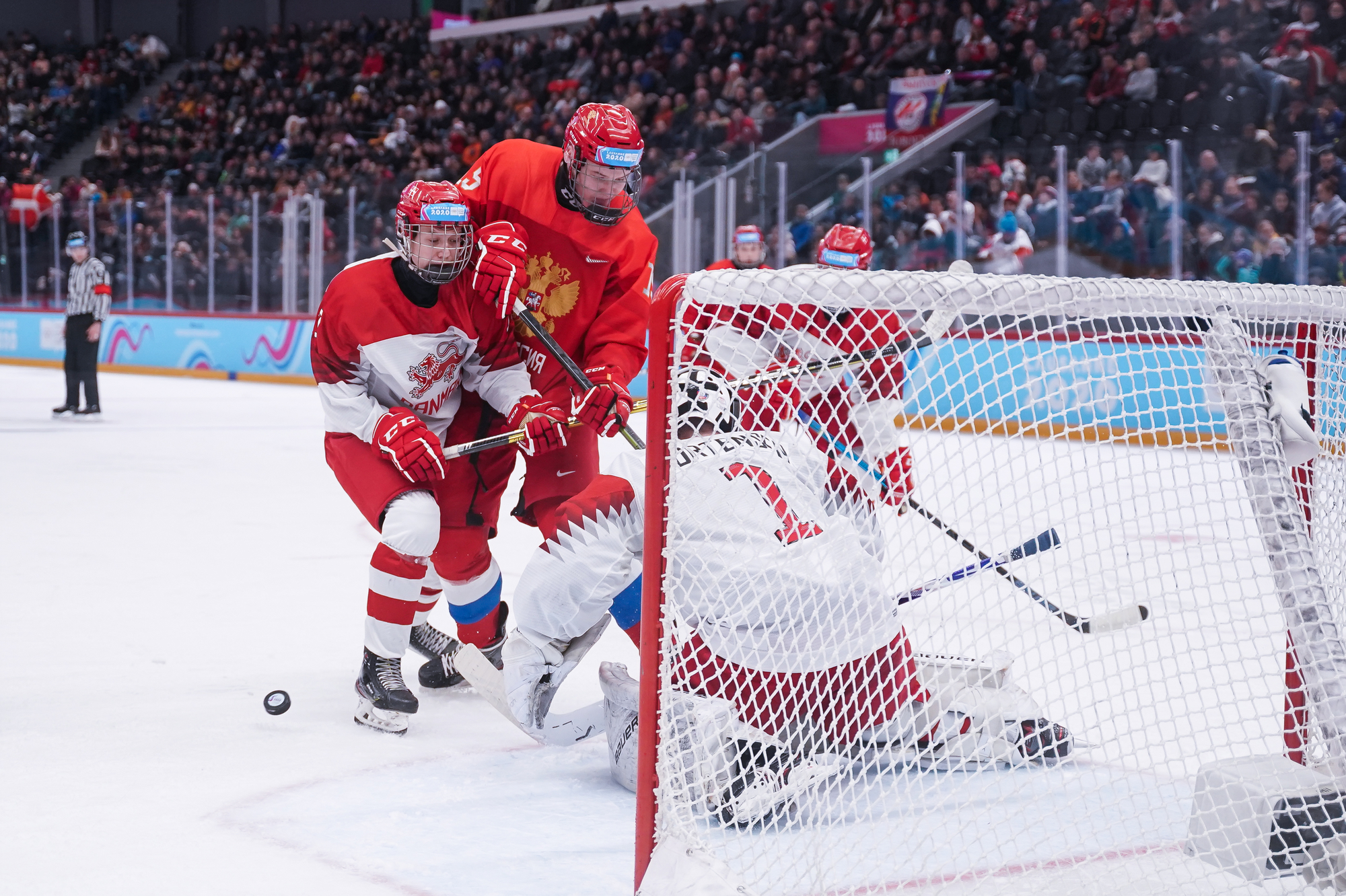 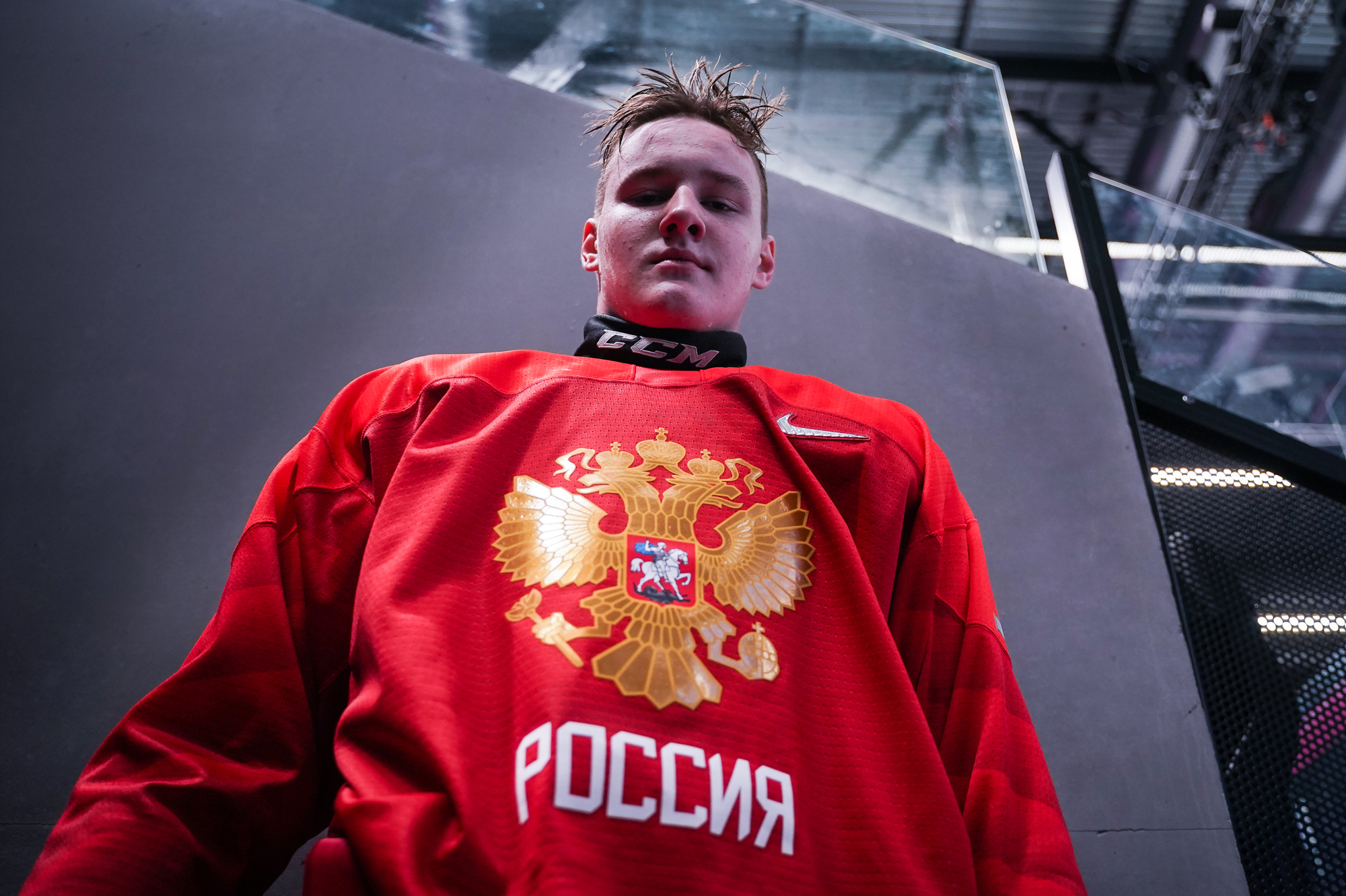