Slovaks advance to semis
The Slovak players celebrate their victory in the deciding game against Germany after their third-period comeback.
photo: Vedran Galijas / justpictures.ch
share

In the final preliminary round game of the Winter Youth Olympic Games women’s ice hockey tournament, Slovakia scored two goals in the third period to erase a 1-0 deficit and earn a playoff spot with a 2-1 win over Germany.

Tied 1-1 in the third period, German defenceman Leni Schmidt turned over the puck close to her blue line, setting up Barbora Kapicakova on a breakaway where she snapped it past Chiara Schultes for the go-ahead goal.

"I think we did a good forecheck, there was the puck and I skated to the net, found an opening and tried not to miss," said Kapicakova. "We had to keep up an intense forecheck and it worked."

With the victory the Slovaks will move on the semi-final round and a game against Japan.

Slovakia had one point heading into the game following a shootout loss to Sweden, while the Germans fell in regulation 7-2 to the Swedes. But with just three teams competing for two playoff spots in Group A, it was basically a “win and you’re in” scenario.

In spite of this neither team was willing to take the initiative for most of the game. Slovakia had a few opportunities in the first and second periods as Germany took four straight penalties but were unable to convert.

Germany finally broke the deadlock midway through the second period. After the puck bounced on her stick from the back of the Slovak net, Katharina Hackelsmiller took a shot from a very tough angle that slipped past goaltender Laura Medvidova on her short side to put the Germans up 1-0.

But the Slovaks answered just over six minutes into the third period. Emy Donovalova took the puck into the German zone and was able to find some space between defenders to take a shot on net. Her initial shot was stopped but the rebound came out right back onto her stick for a second chance, which Donovalova converted to tie the game.

"I just told them to stay calm, not to be stressed, and play our system," said head coach Gabriela Sabolova. "I knew we had enough time and we just needed to be more dangerous on the offensive end because we didn't get enough shots in the first two periods."

The score galvanized the Slovaks, who outshot the Germans heavily in the period and brought pressure on the defence, eventually leading to Kapicakova’s game winner. Germany pulled the goalie with two minutes to go but could not get the equalizer as Slovakia held on for the victory.

With the win Slovakia will take on Group B winners Japan tomorrow, while Sweden faces Switzerland in the other semi-final. 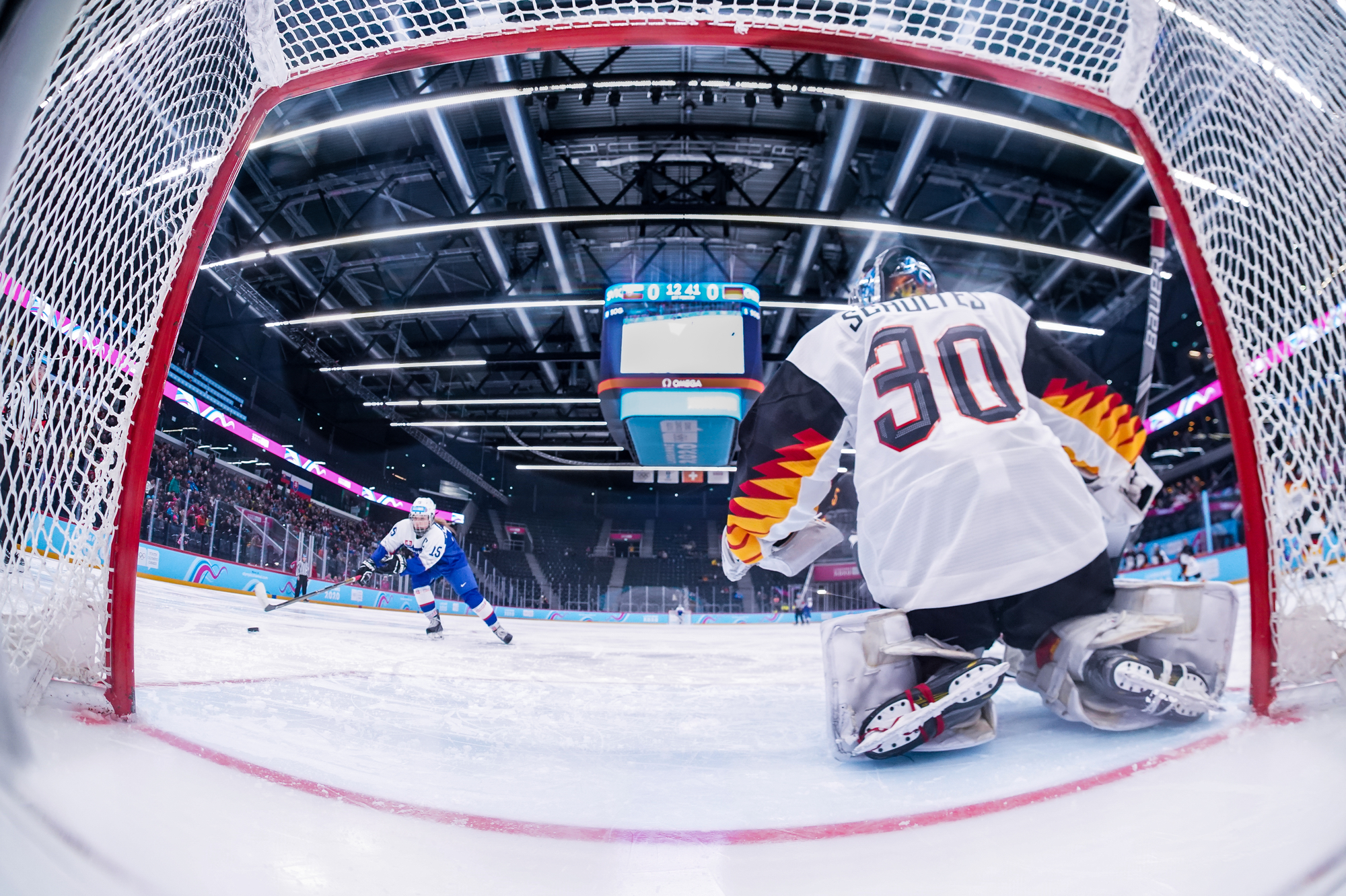 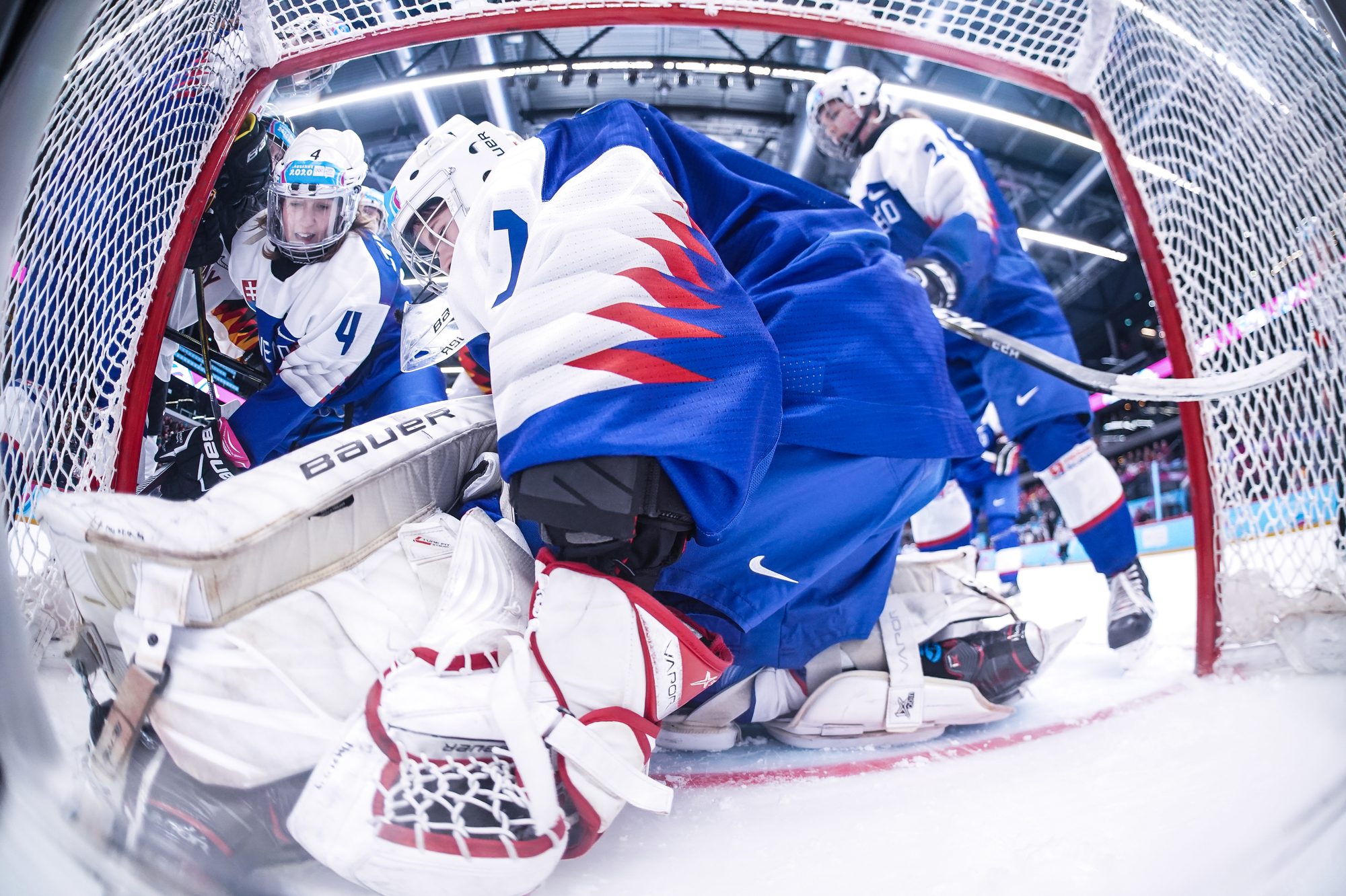 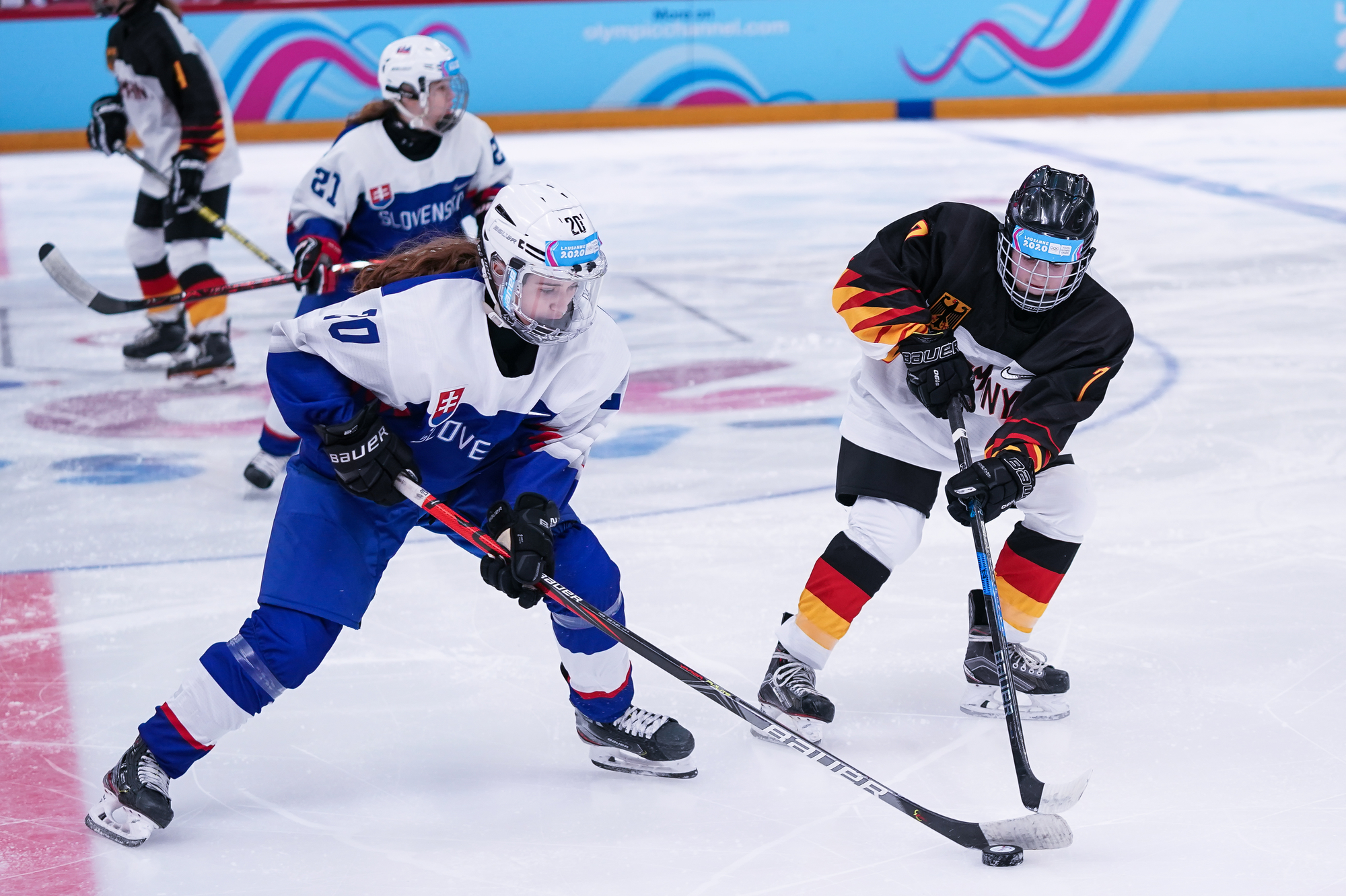 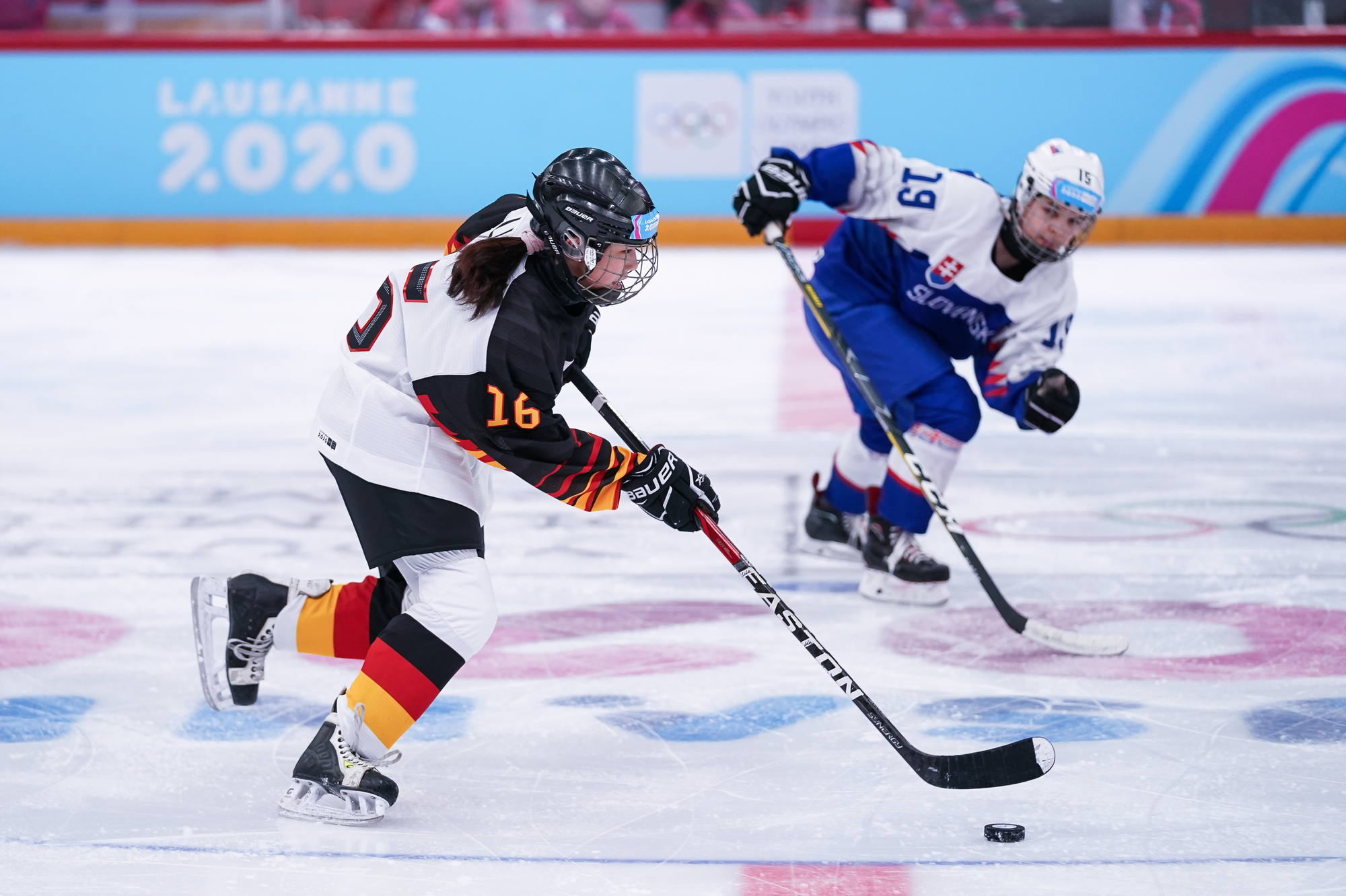 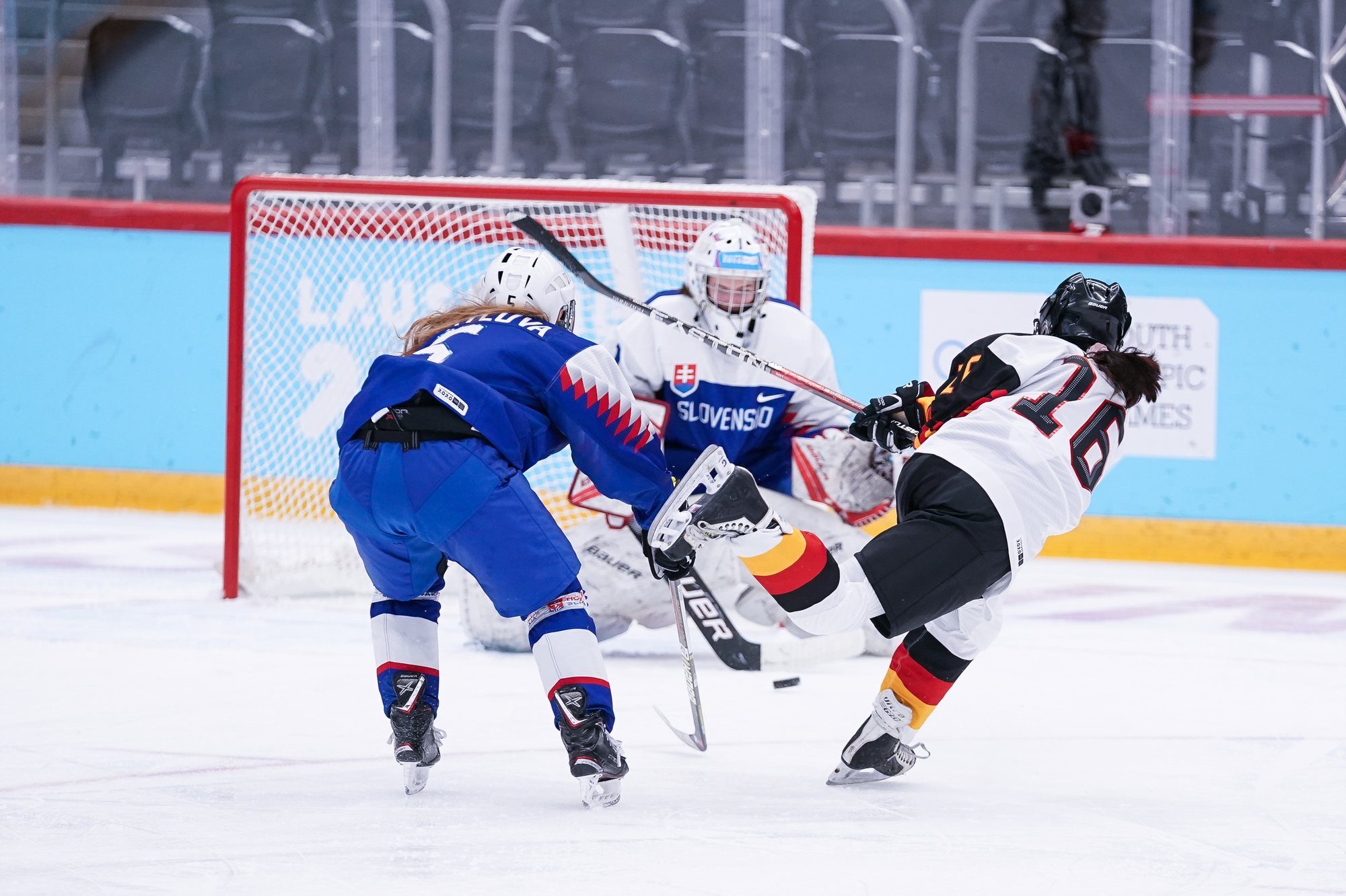 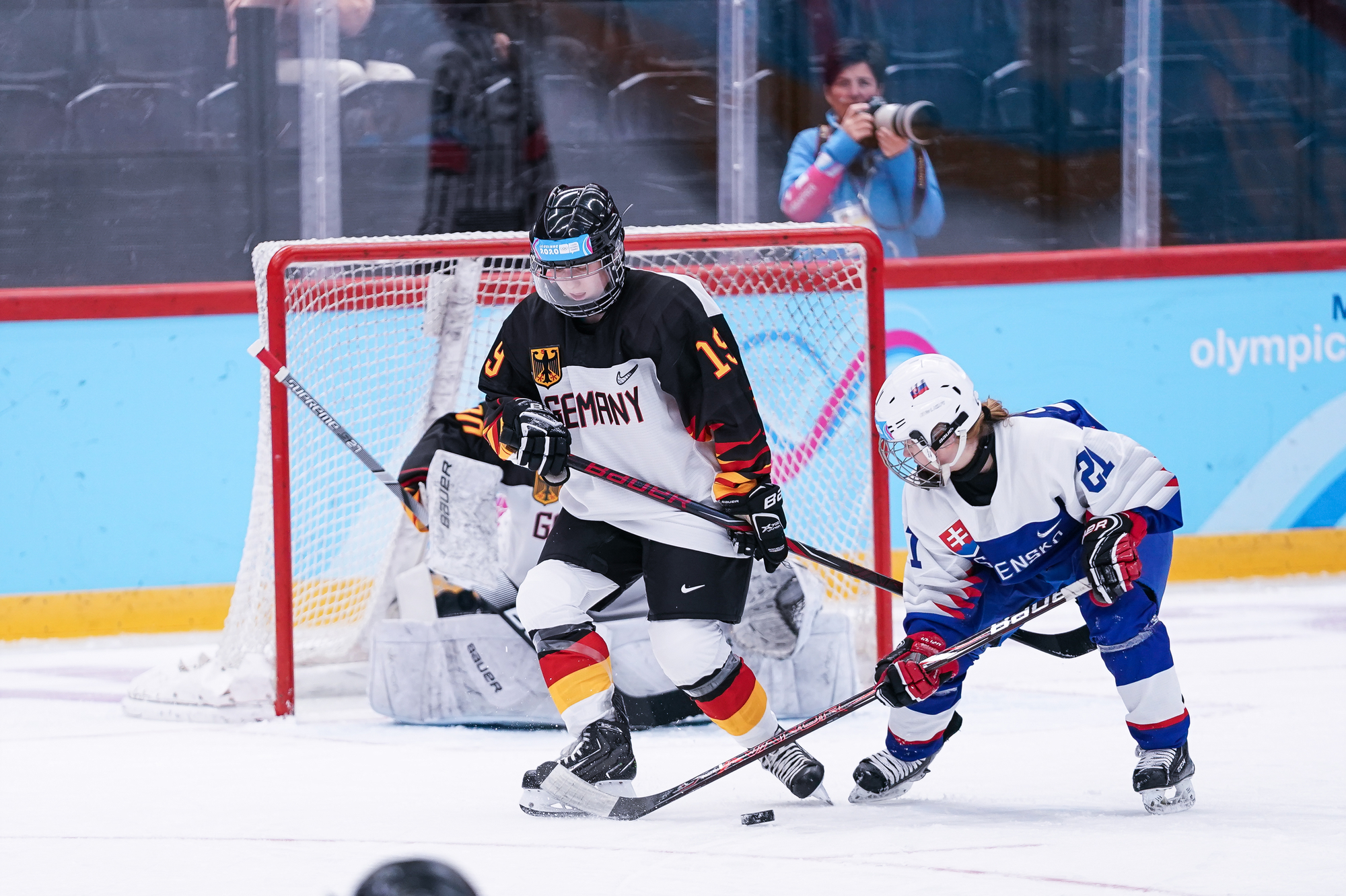 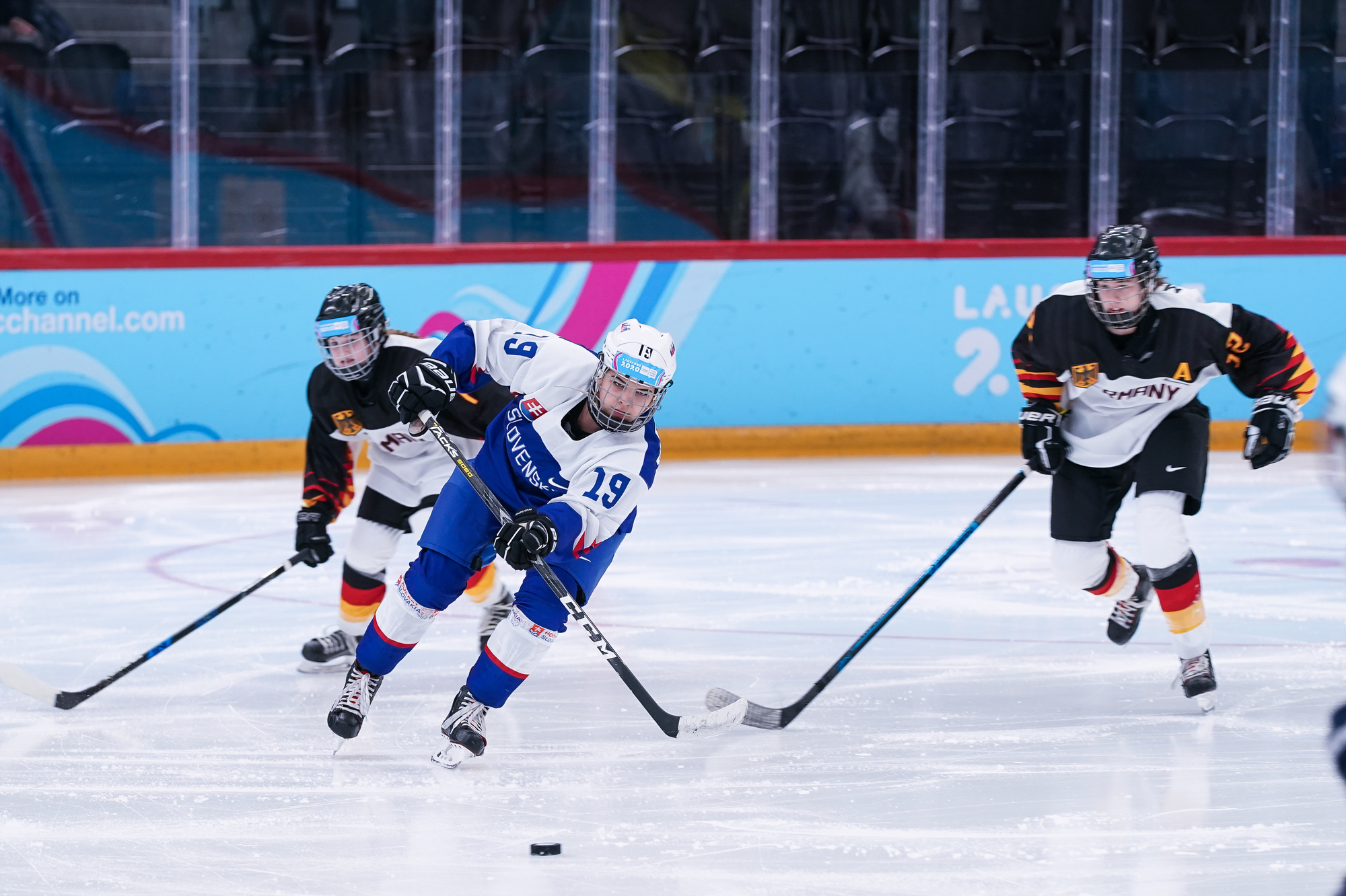 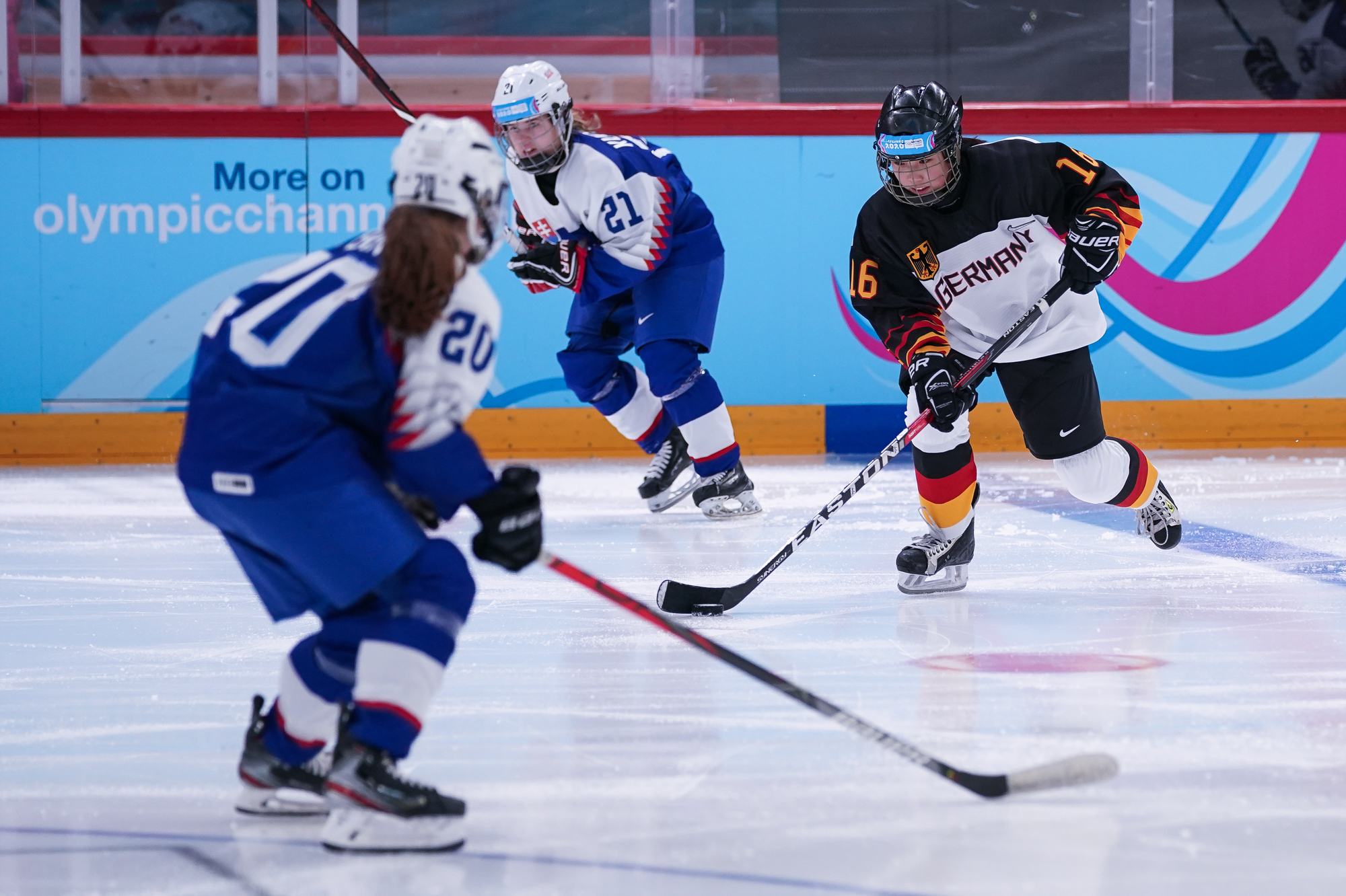 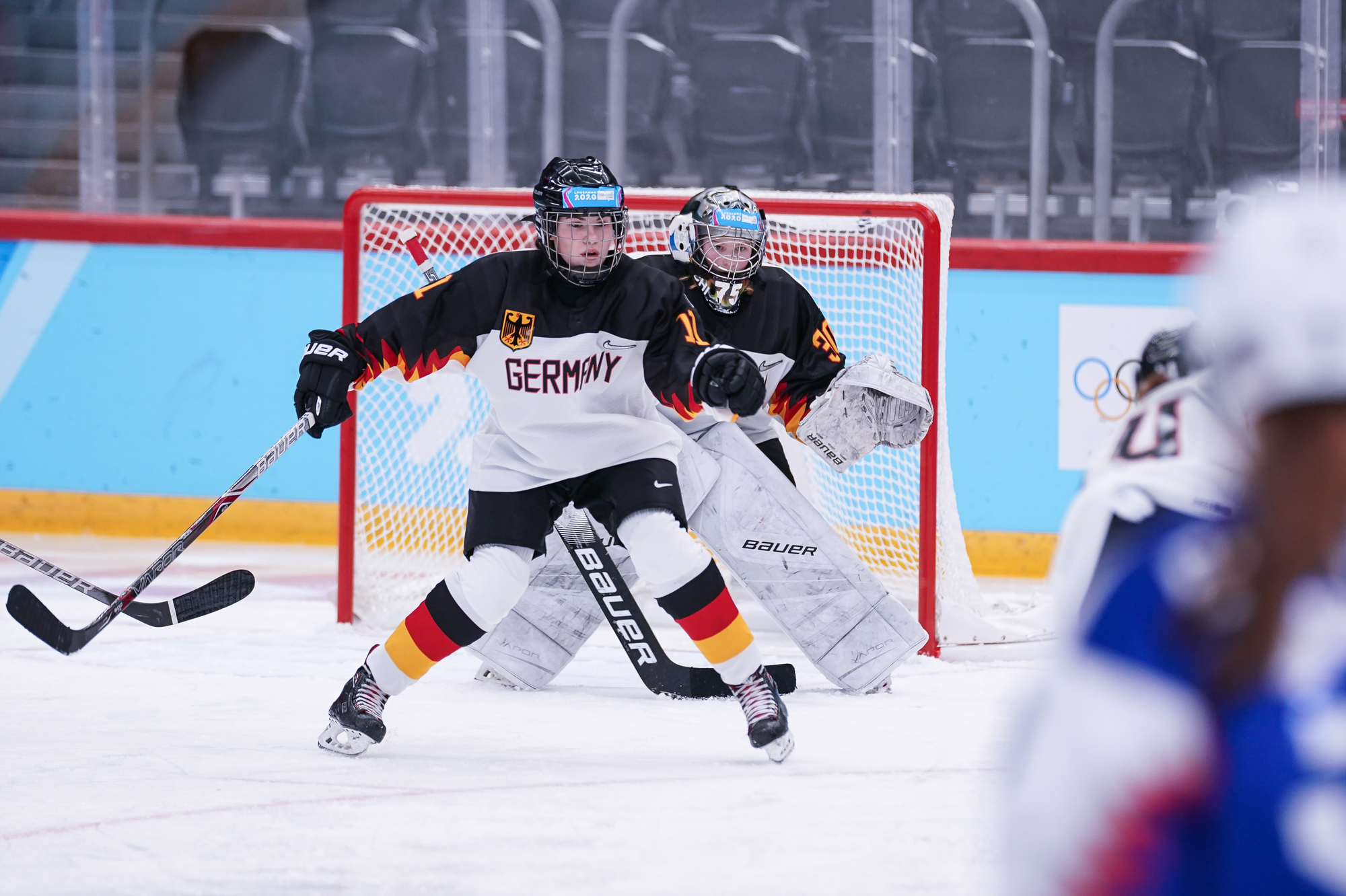 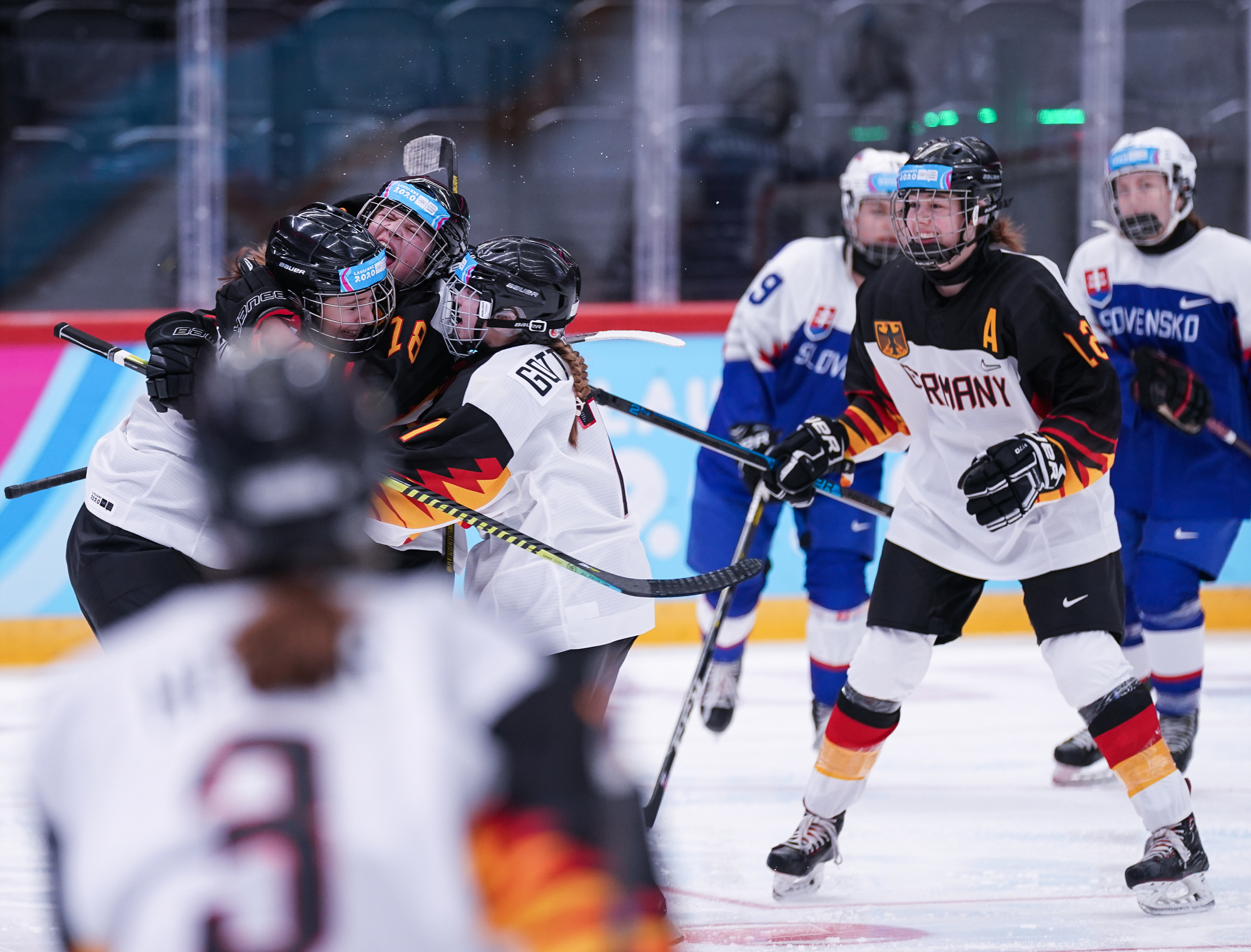 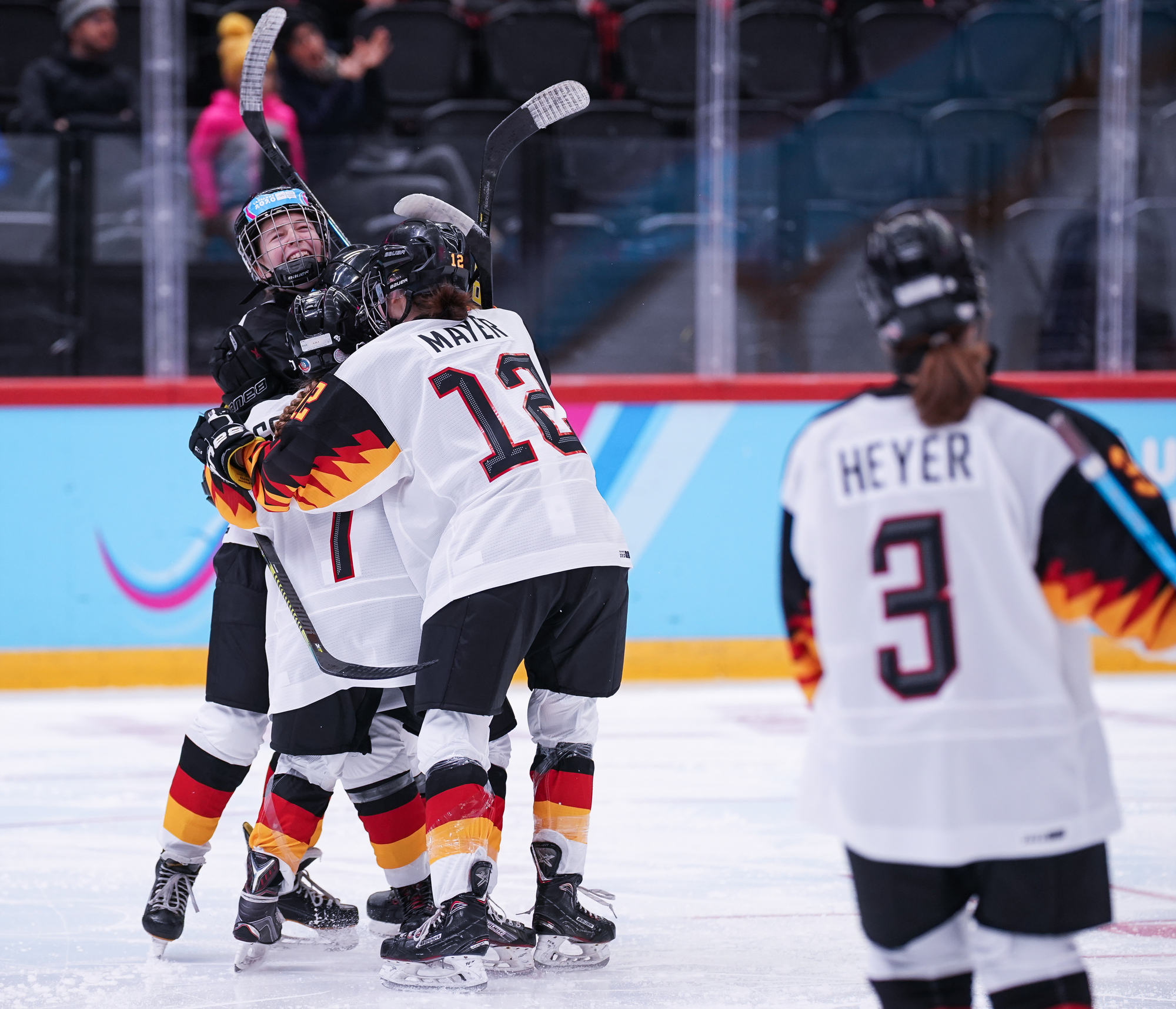 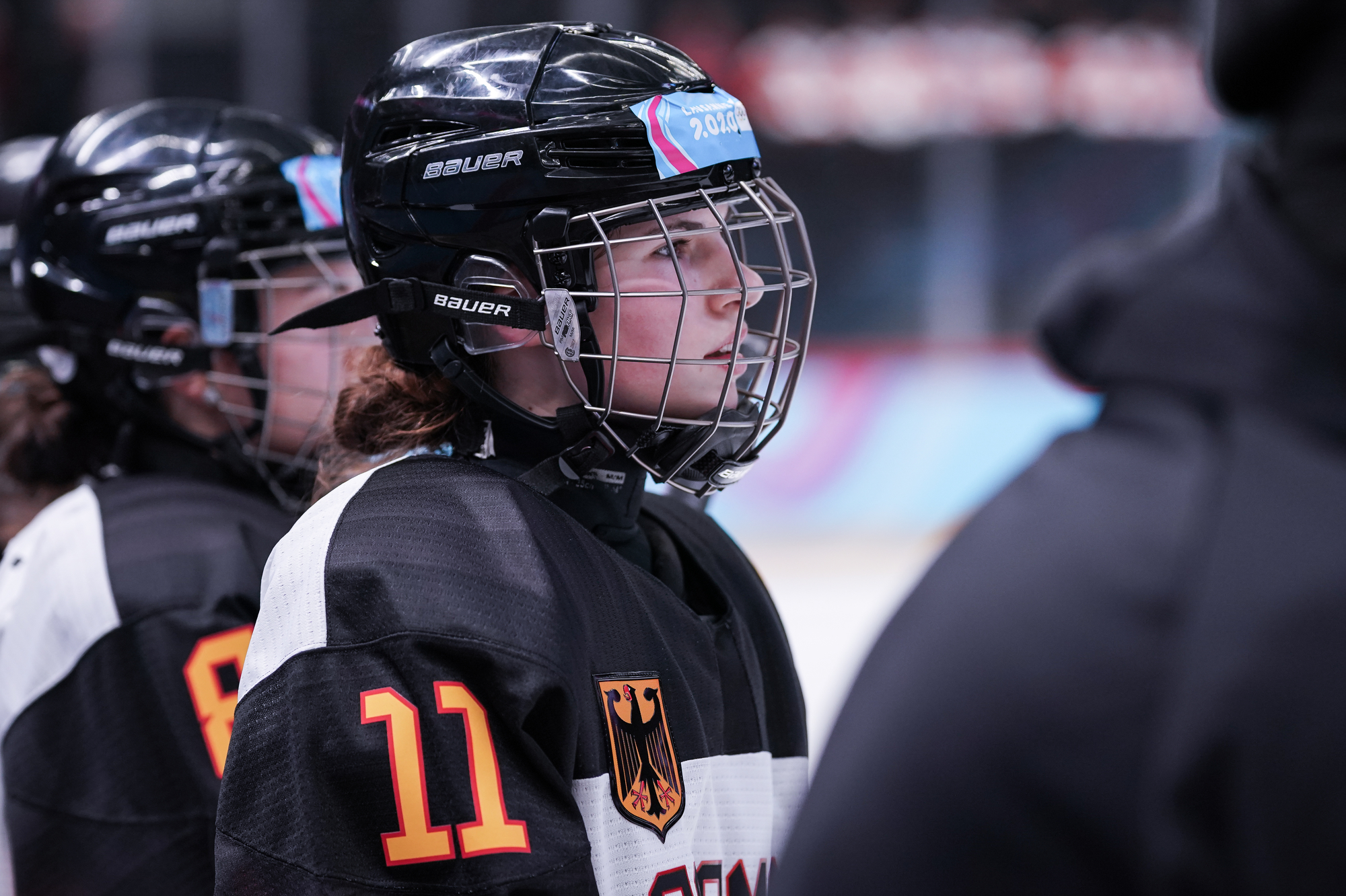 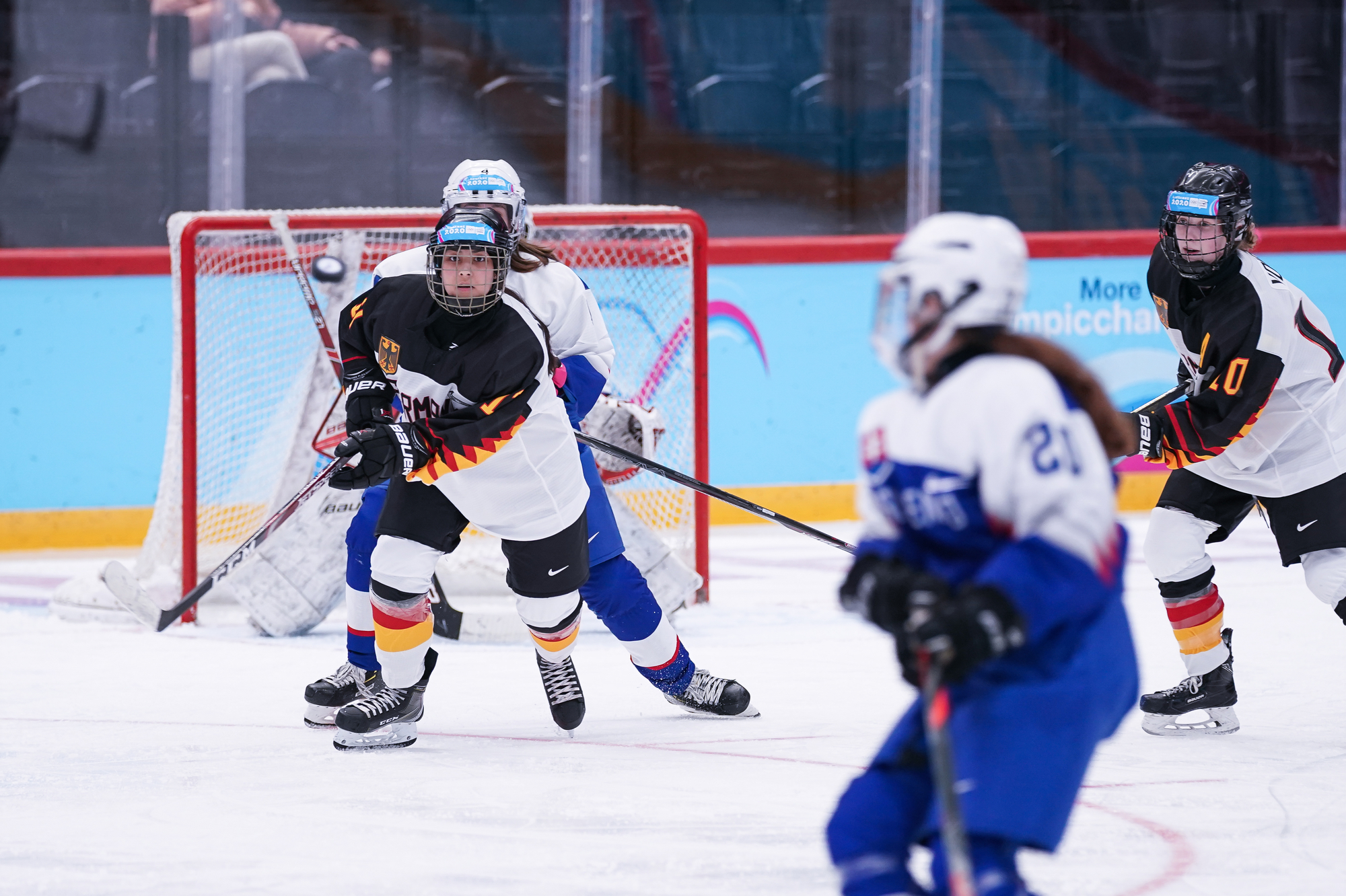 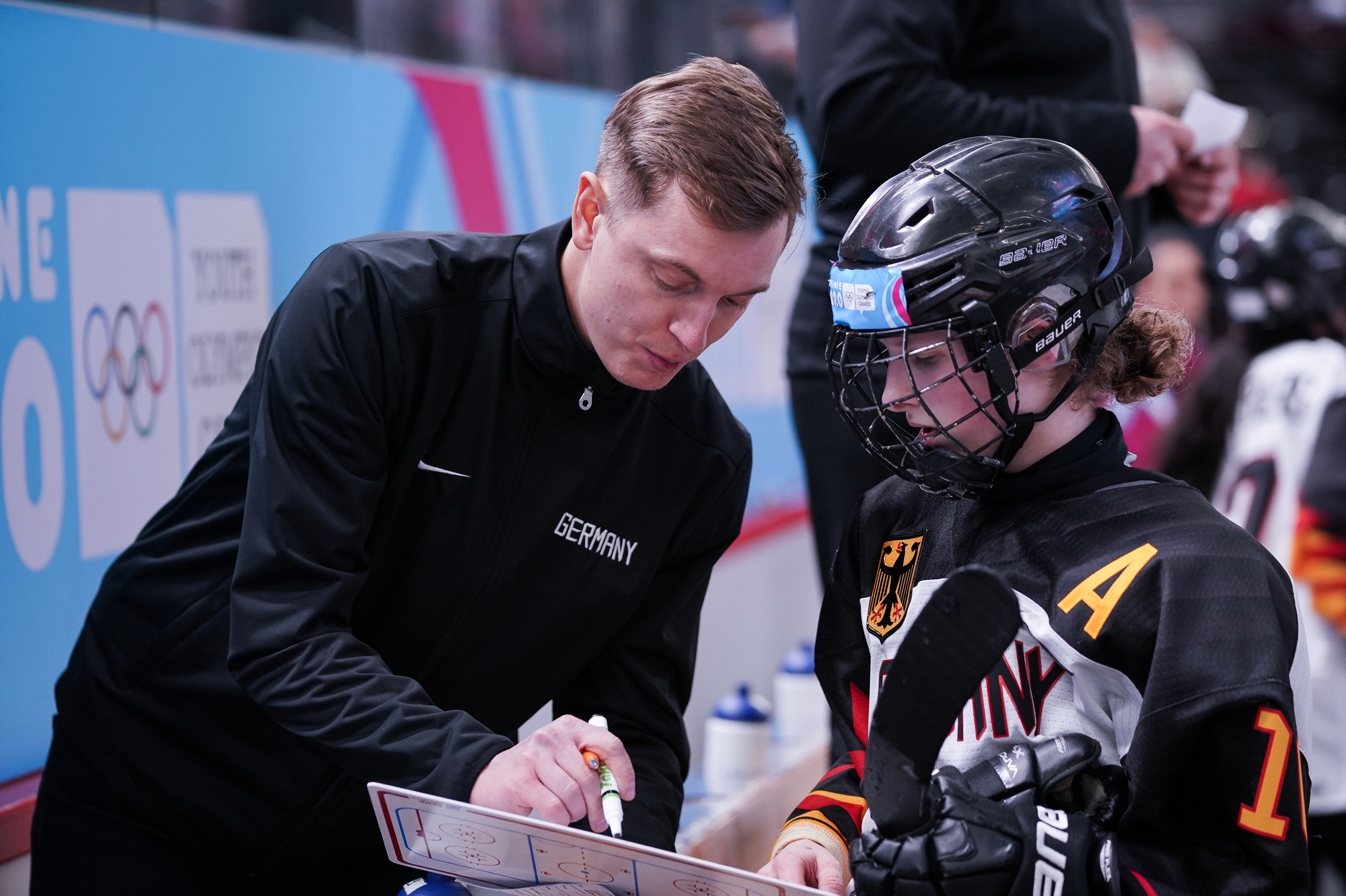 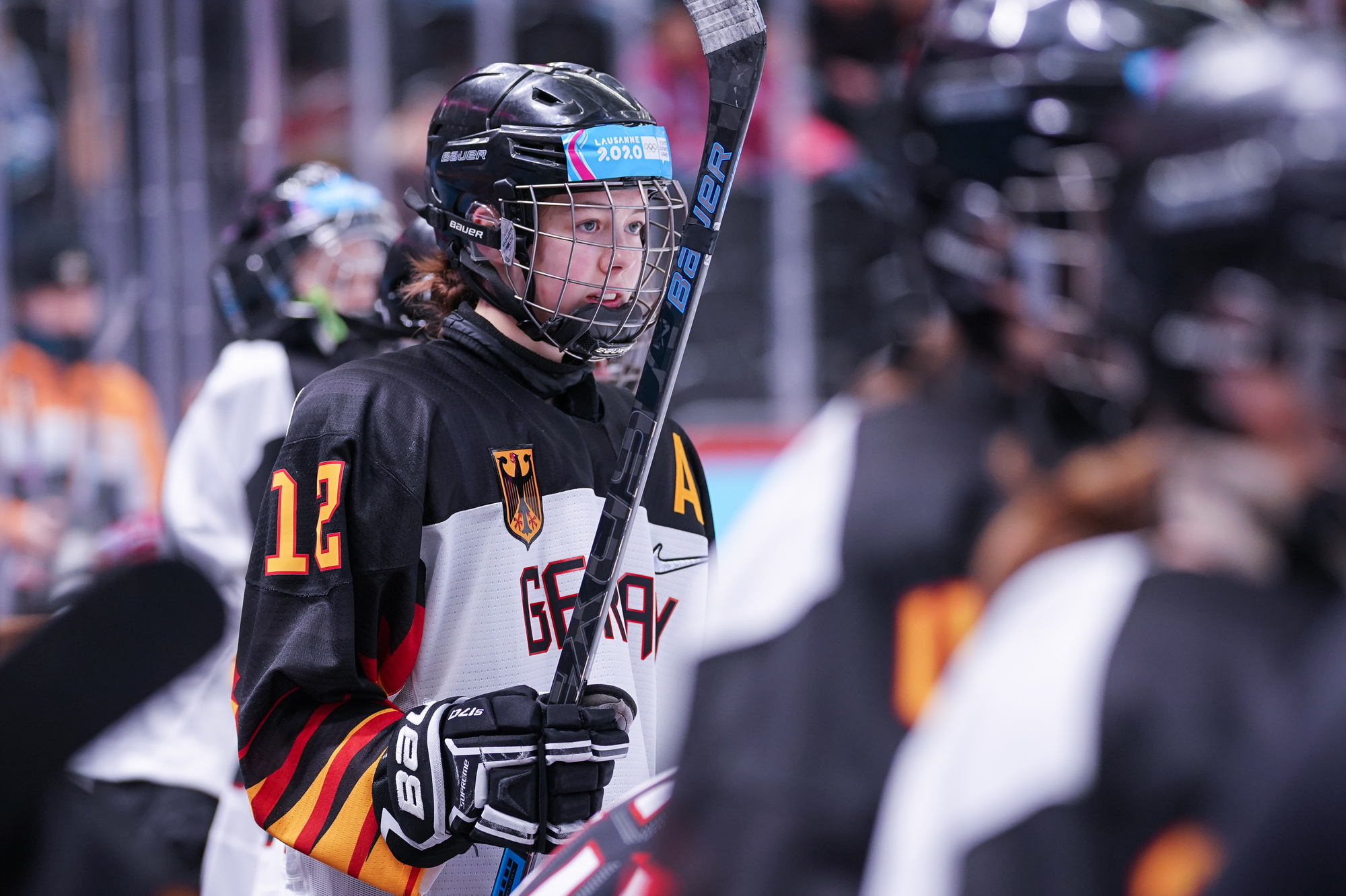 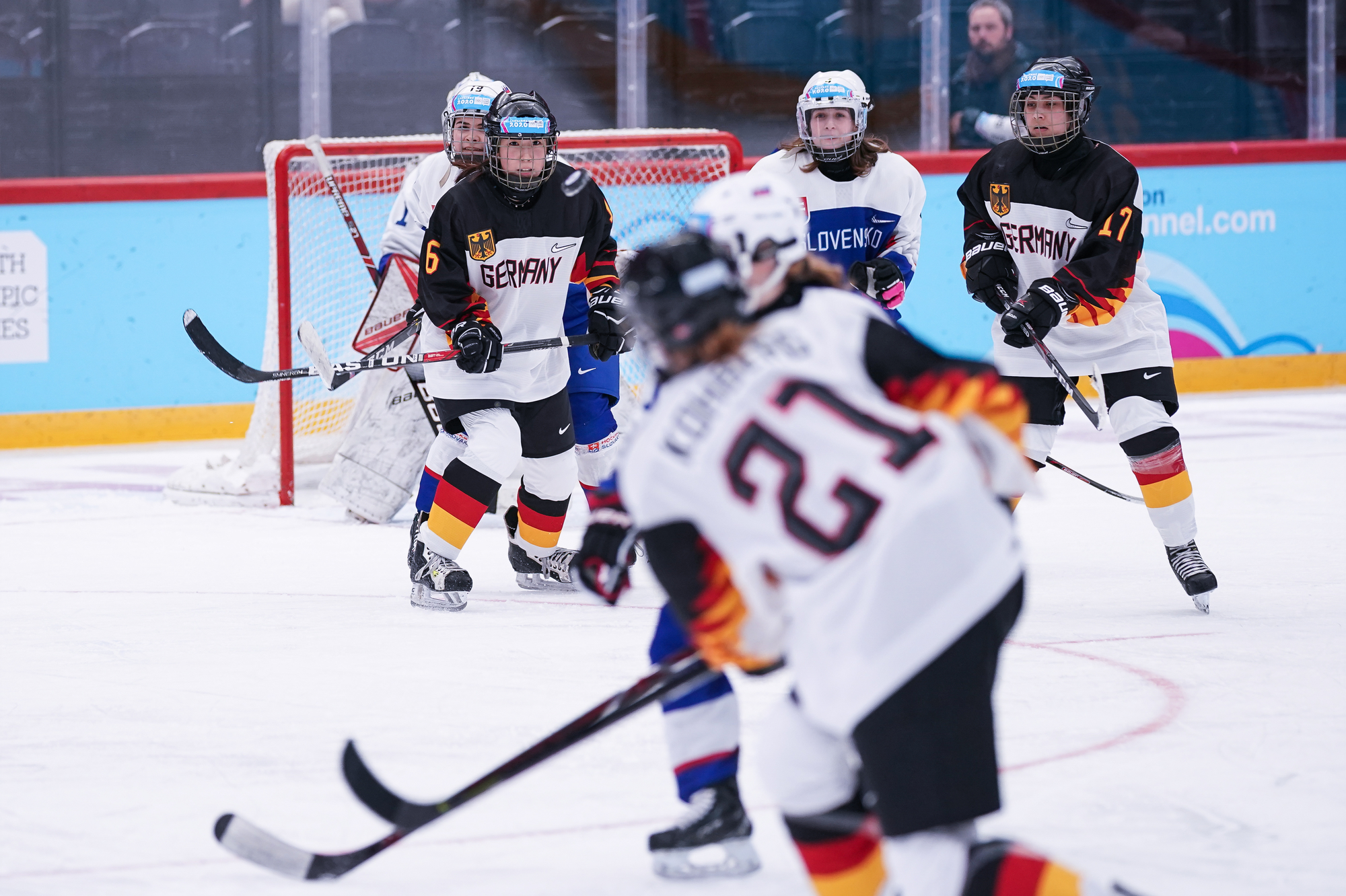 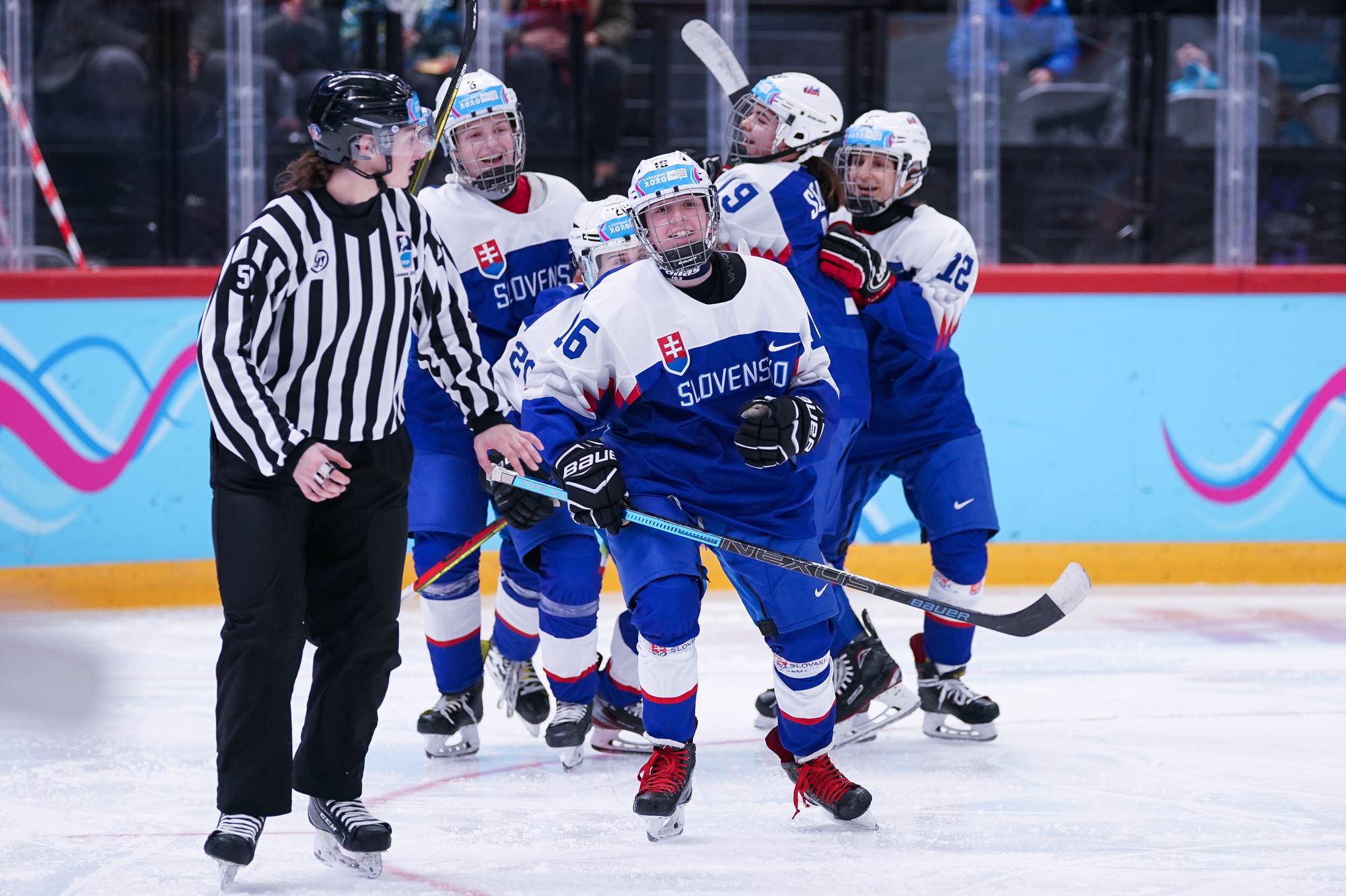 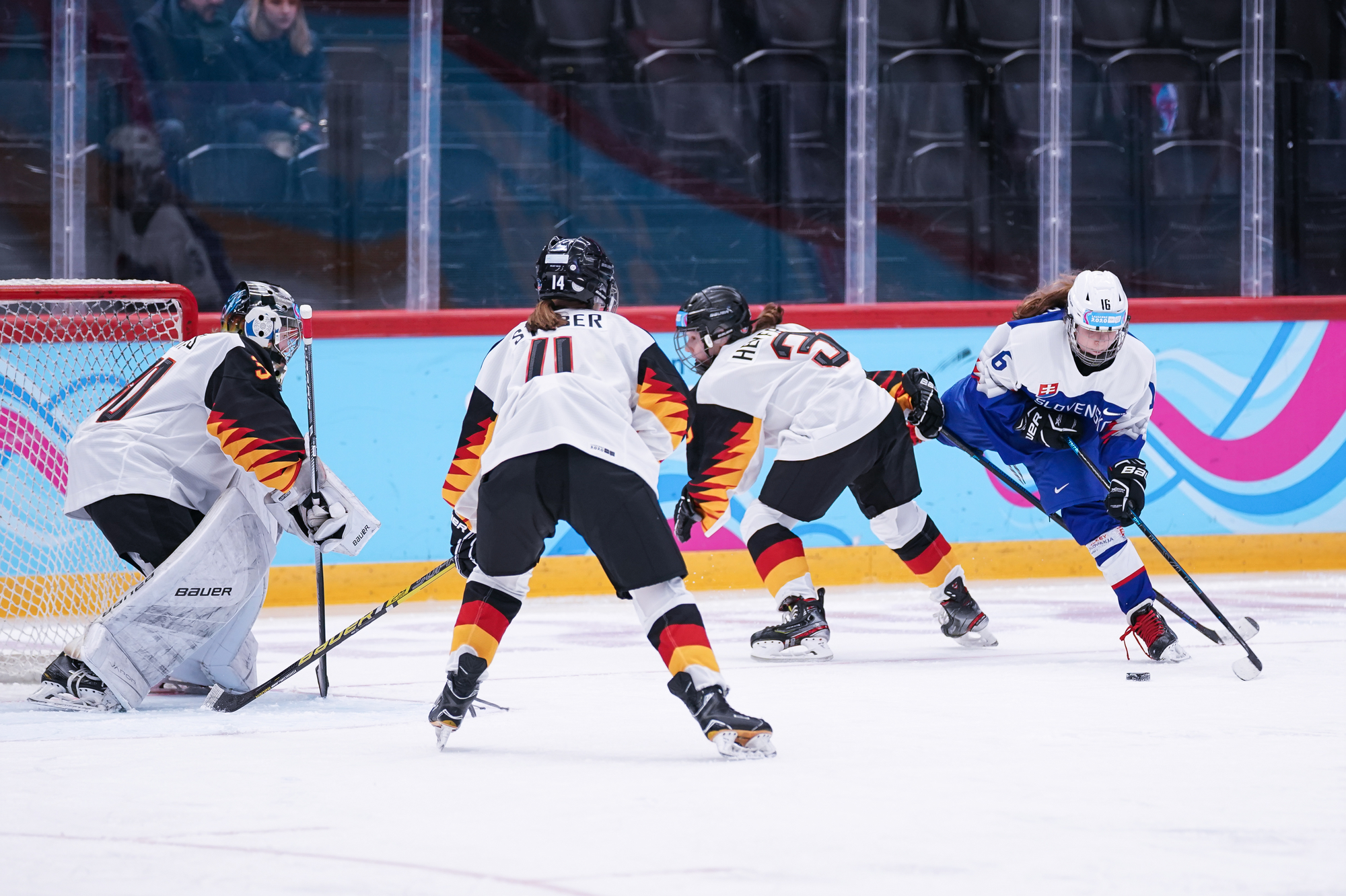 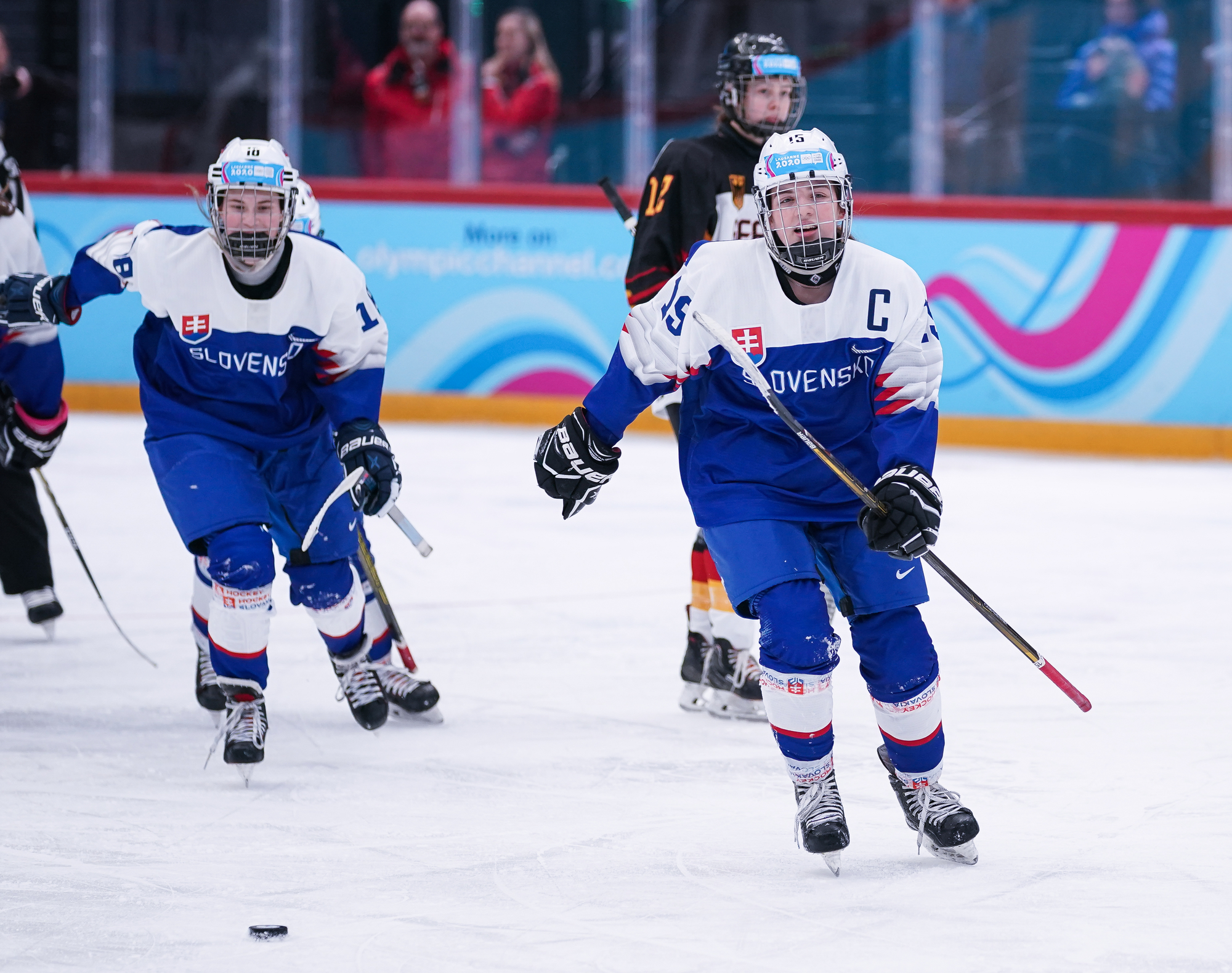 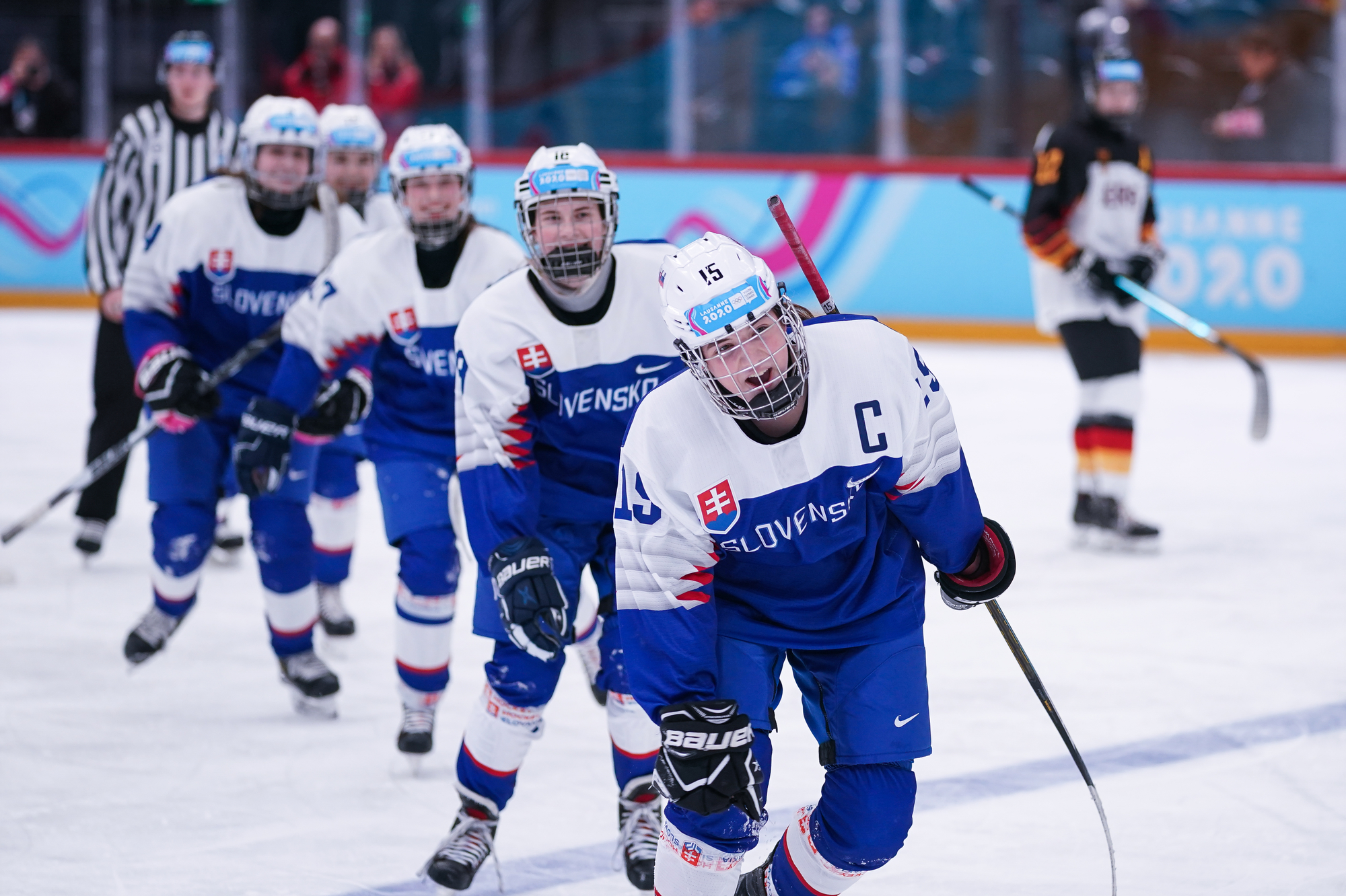 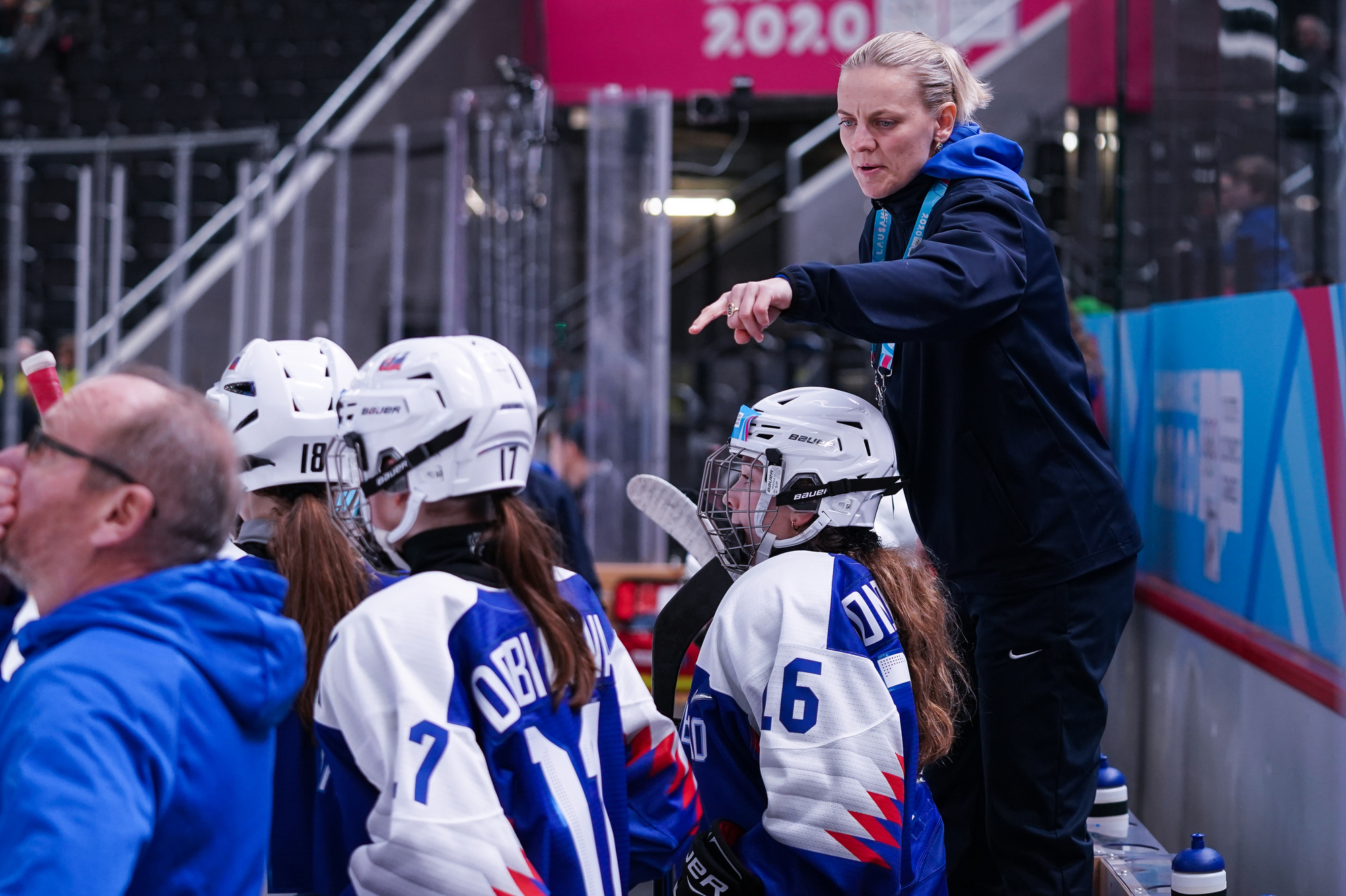 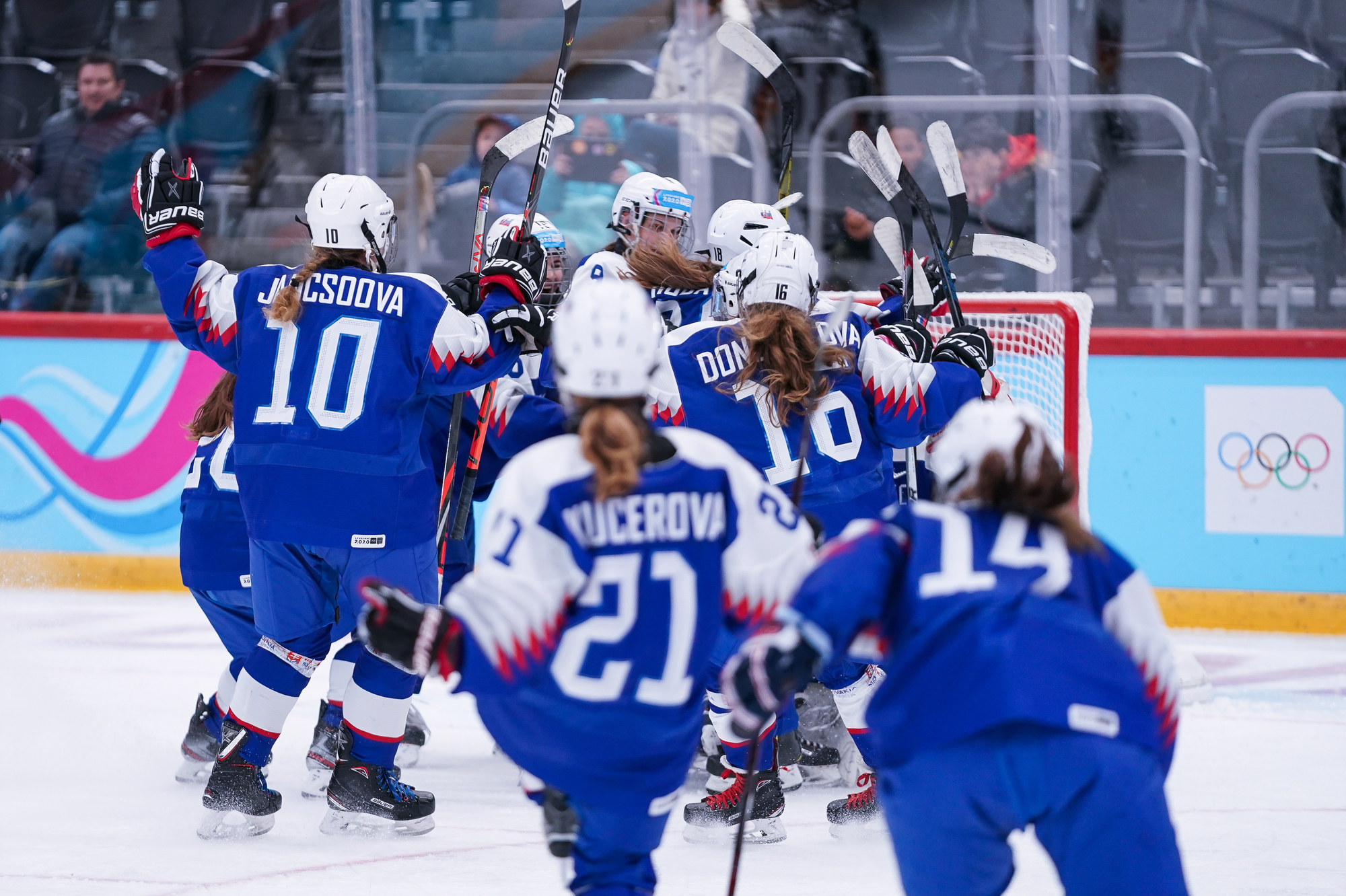 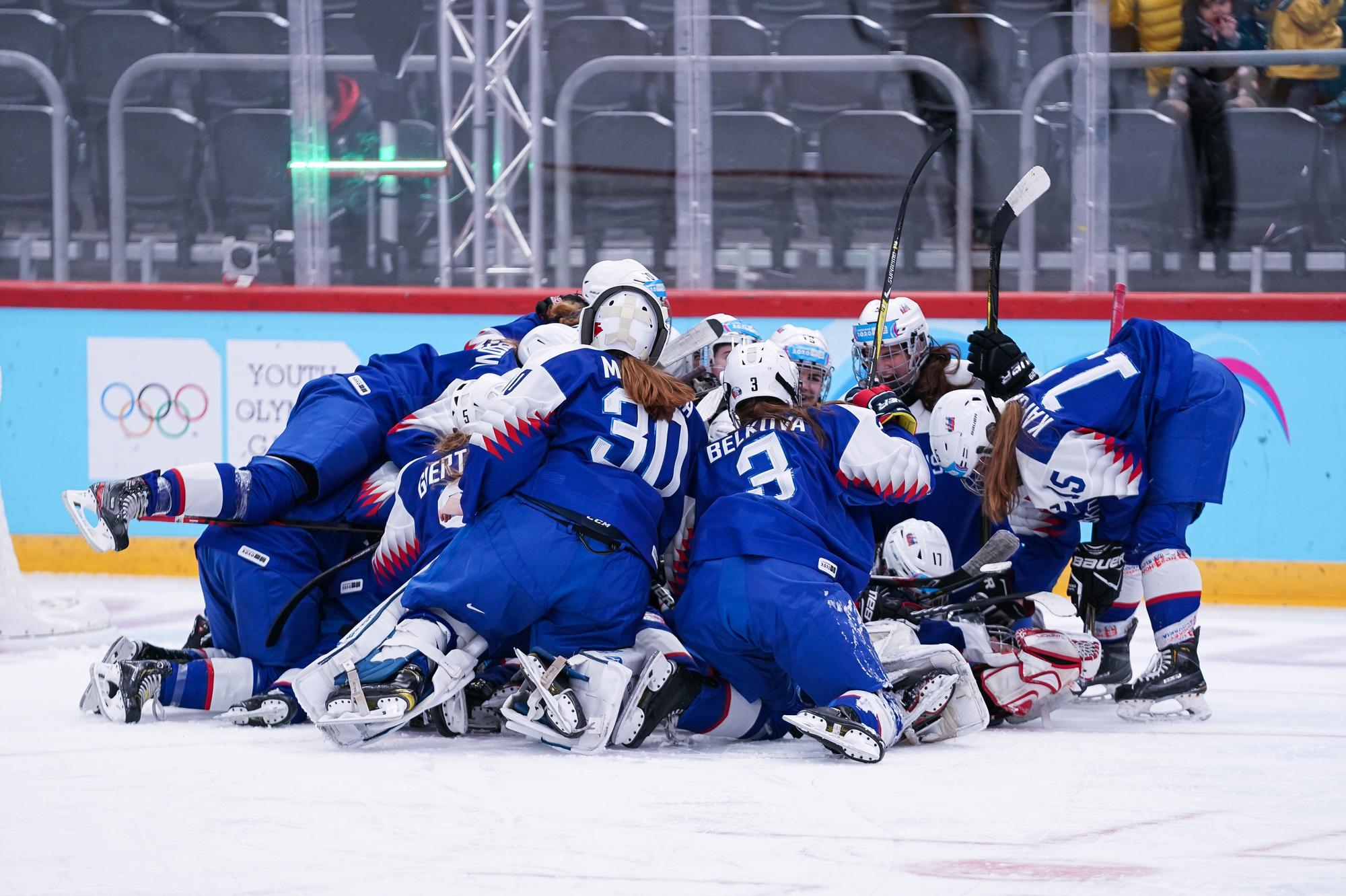 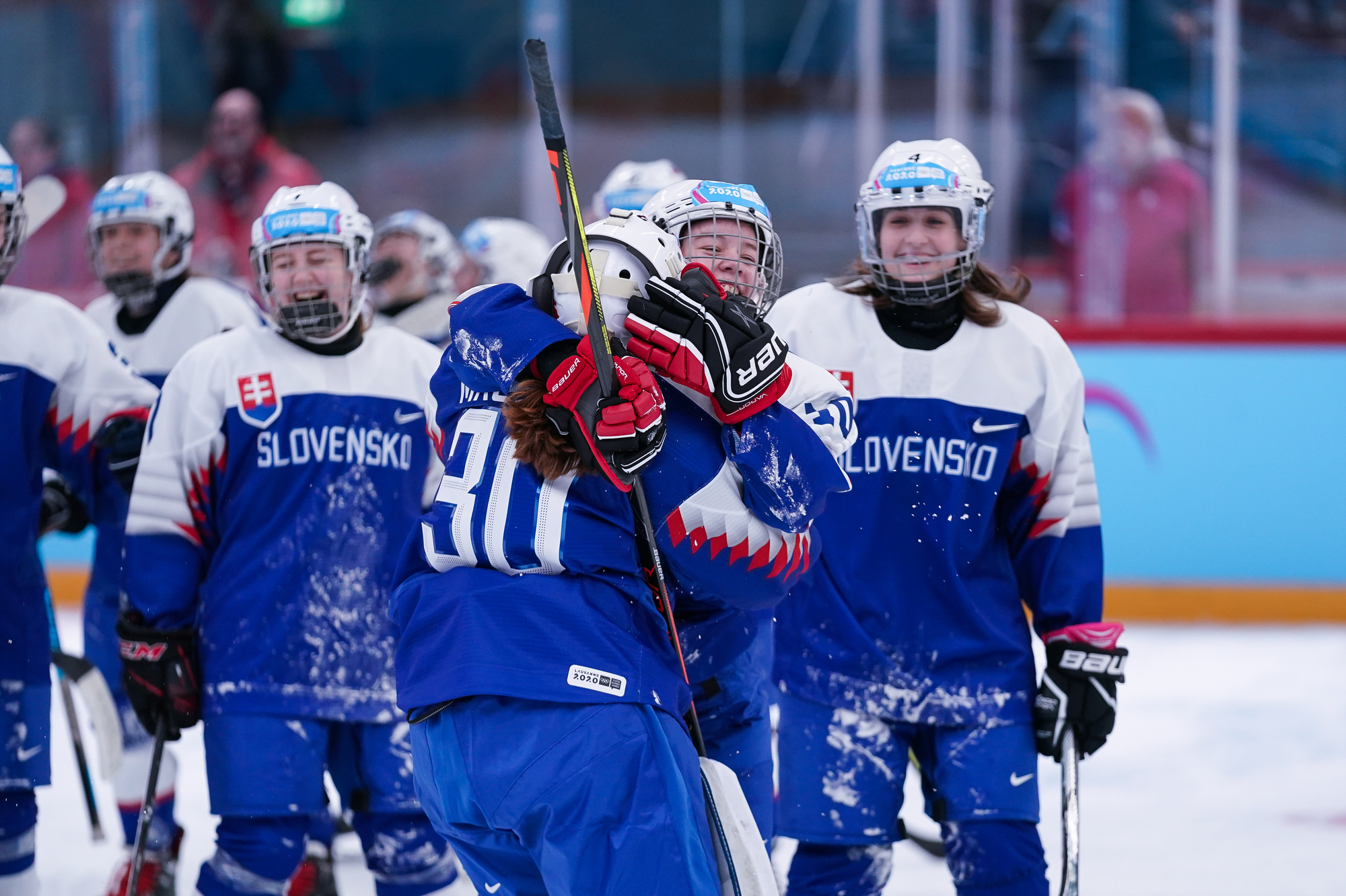 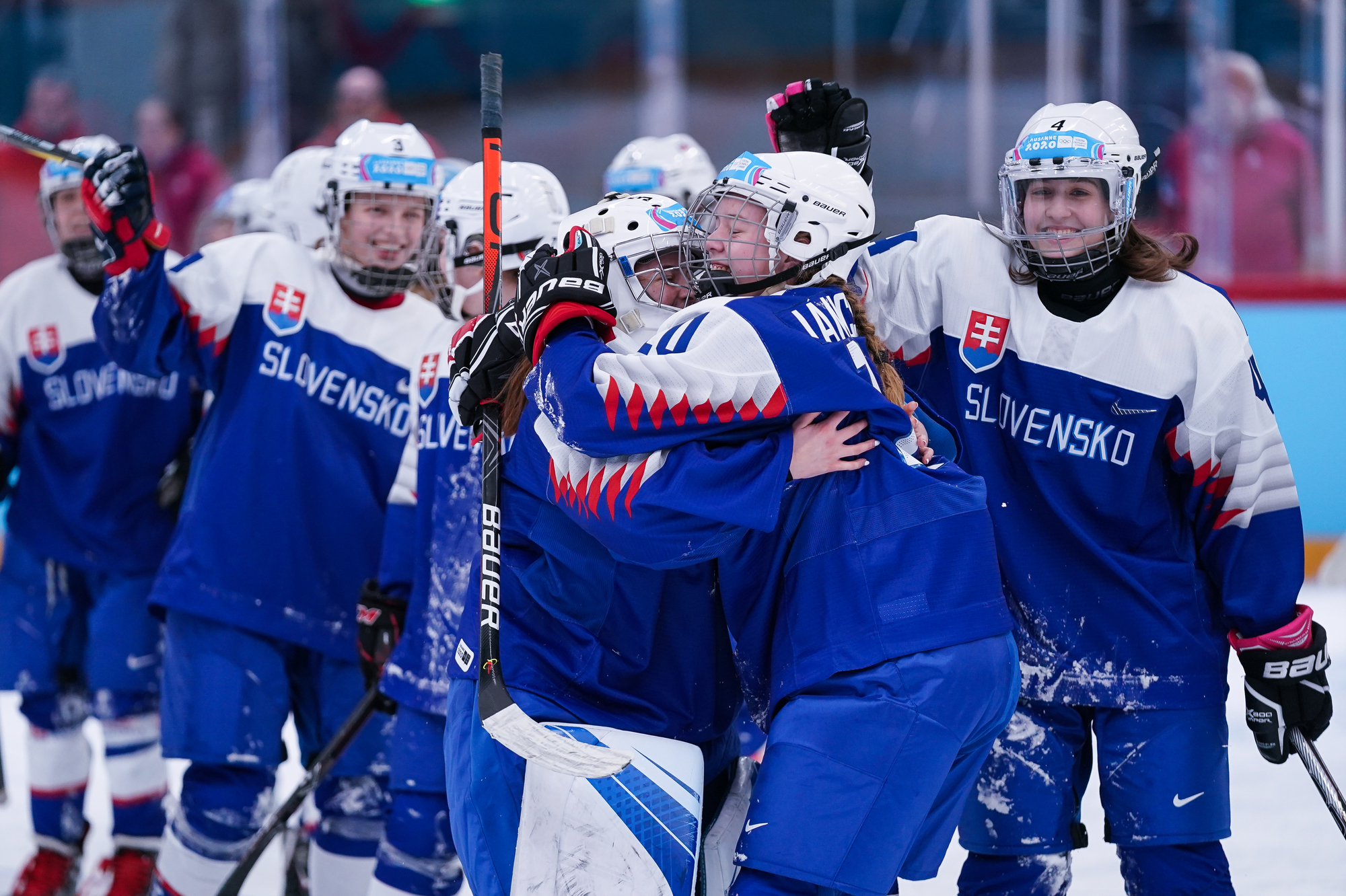