Nicklas Jensen was Denmark’s hero as the red-and-white team secured a first ever IIHF Ice Hockey World Championship victory over Sweden. Jensen scored a hat trick to pace a 4-3 win as the Scandinavian rivals began their Group A campaign in Riga.

Jensen, 28, also had a helper on Emil Kristensen’s go-ahead goal late in the third period, finishing the day with four points. His best World Championship haul to date is 7 (5+2) in Moscow in 2016, the last time the Danes advanced from the group phase.

But the star of the show admitted that it was a tough watch in the closing seconds as Sweden poured forward and his team-mates blocked shot after shot to hold on for the win.

"I was on the bench for the last 30 seconds and I could barely watch the game," he said. "I was just watching the clock ticking down and giving us the win. It’s an unbelievable feeling right now.

"This is our first time ever beating Sweden [at the Worlds]. We beat them in exhibition games when we were preparing for this so we knew there was a chance we could do it and that gave us hope."

Jensen's performance overshadowed Carl Klingberg’s effort. He scored two and assisted one for the Swedes, but finished on the losing side.

"Today is a very expensive lesson for us," Klingberg said after the game. "We failed in the first period then in the second we played a bit better. We had more of the puck and even had the lead for a bit but that 4-on-4 killed our momentum a little bit.

"We can’t afford to these momentum swings in games, we have to try to control the game, to keep it in front of us and not end up chasing."

In the first period, Sweden was the first to show. Marcus Sorensen rang the iron in only the third shift of the game but Denmark heard the alarm bell sound and duly clamped down on the game. The 2018 host nation has secured its top-flight status thanks to disciplined, structured hockey and it demonstrated that once again here.

The Danes shaded the opening frame, outshooting Sweden 7-3 and enjoying two power plays. However, the closest we came to a goal was midway through the session when Alexander True got the puck on the doorstep but was unable to beat Viktor Fasth with a shot on the turn.

Swedish head coach Johan Garpenlov summed up a disappointing start to his team's game: "We were a little bit passive, we were losing too many one-on-one battles. We have lots of players who never played a World Championship before and there were a little but tentative, I think. We couldn’t really get going like we wanted."

World Men
Denmark vs Sweden - 2021 IIHF Ice Hockey World Championship
Nicklas Jensen was Denmark’s hero as the red-and-white team secured a first ever IIHF Ice Hockey World Championship victory over Sweden. Jensen scored a hat trick to pace a 4-3 win as the Scandinavian rivals.
DEN SWE 22 MAY 2021
The Tre Kronor were second best in the first period but found another gear after the intermission and quickly opened the scoring in the third. Adrian Kempe already saw a good chance go begging when his solo rush was well marshalled by Oliver Lauridsen, who used his reach to distract the LA Kings forward as he lined up a shot and helped Sebastian Dahm to make the save. But it wasn’t long before Sweden had its goal following a blunder by Nikolai Meyer. His underpowered backhand pass across his own zone went straight to Karl Klingberg between the hash marks and he flipped the puck over Dahm’s shoulder.

Sweden continued to dominate the play but was stung by a tying goal midway through the second period. There wasn’t much happening when the Danes mopped up a Swedish rush and advanced down the ice, but the men in red recycled the puck to set up Julian Jakobsen for a point shot that Jensen redirected through Fasth’s pads. The Jokerit Helsinki marksman is in his sixth World Championship and maintains his record of scoring at every tournament he has visited.

With five minutes to play in the period, Sweden restored its lead on a thunderous point shot from captain Henrik Tommernes. Dahm was well screened by Oscar Lindberg and saw the puck too late to react. Tommernes, who has played for Geneve-Servette in Switzerland since 2017, is making his first World Championship appearance this year having previously only featured in Eurotour action.

"Of course it was great feeling to put that in, we were up 2-1 there and we were hoping for a bit more from this game," Tommernes said "But we were too passive in this game. We need to create more momentum, play a little bit harder and more passionate out there. That’s important for us going into the next game tomorrow."

But that lead was short-lived as Jensen turned the game upside down during a spell of four-on-four action. Oliver Lauridsen and Oscar Lindberg sat for cross-checking and within 10 seconds Jensen tied the scores. Mikkel Boedker did much of the heavy lifting, winning the face-off and bringing play into Swedish territory before picking out Jensen on the doorstep. But the 28-year-old had plenty to do to get the puck under control and pick a spot over Fasth’s shoulder.

Just 36 seconds later, it got even better for the Danes as Heinz Ehlers team took the lead for the first time in the game. This time, Jensen turned provider, battling his way down the left-hand boards before centring the puck for the defenceman Emil Kristensen to rifle home from mid-range.

Once again, Sweden tried to raise the tempo at the start of the third period. Victor Olofsson had a chance to tie it up but the Tre Kronor’s progress was checked when Par Lindholm took a tripping minor in the 48th minute and Jensen stepped up to score his third of the game and give Denmark a two-goal cushion.

"Mikkel [Boedker] did a great job on the right side, holding on to the puck and being patient, kind of creating the time and space for me," Jensen added. "I had a shot before that I probably should have scored on, but I got the exact same chance again right after and great patience for the guys on the other side creating the time and space. True did an amazing job in front of the net, and I just had to pick the corner and luckily it went in."

The two-goal lead didn’t last long. Lindholm did well to prevent Denmark from clearing its lines and suddenly space opened up for a Swedish attack. Nils Lundkvist fed Klingberg for his second of the game and, with nine minutes to play there was just one goal in it.

However, there was no way back for the Swedes. Denmark's roster has plenty of experience at this level and demonstrated some smart game management to run down the clock in the closing stages. Sweden replaced Fasth with a sixth skater two minutes before the end but the Danes held on to close out the win.

"It just shows for ourselves and for everybody in the country, especially the young kids, that Denmark is only becoming better and better, which is awesome to see," Jensen concluded. "Right now, we’re very proud of the game tonight.

"It’s a great day for Denmark in hockey, but it’s still only the first day of the tournament for us. We have a long way to reach our goal. But, yes, it’s a game we won’t forget for a long time. We can enjoy it and get ready for tomorrow."
Denmark vs Sweden - 2021 IIHF Ice Hockey World Championship 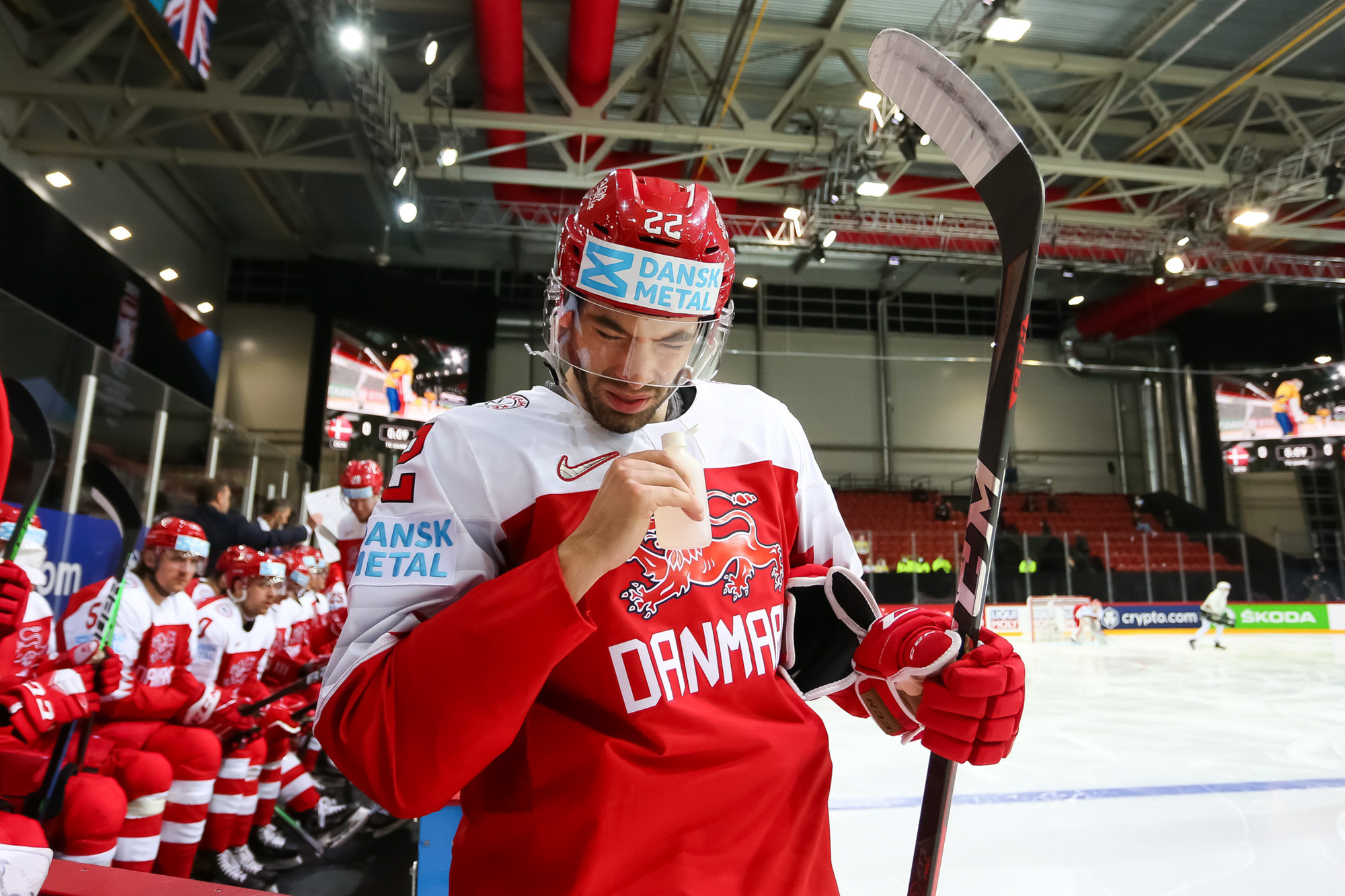 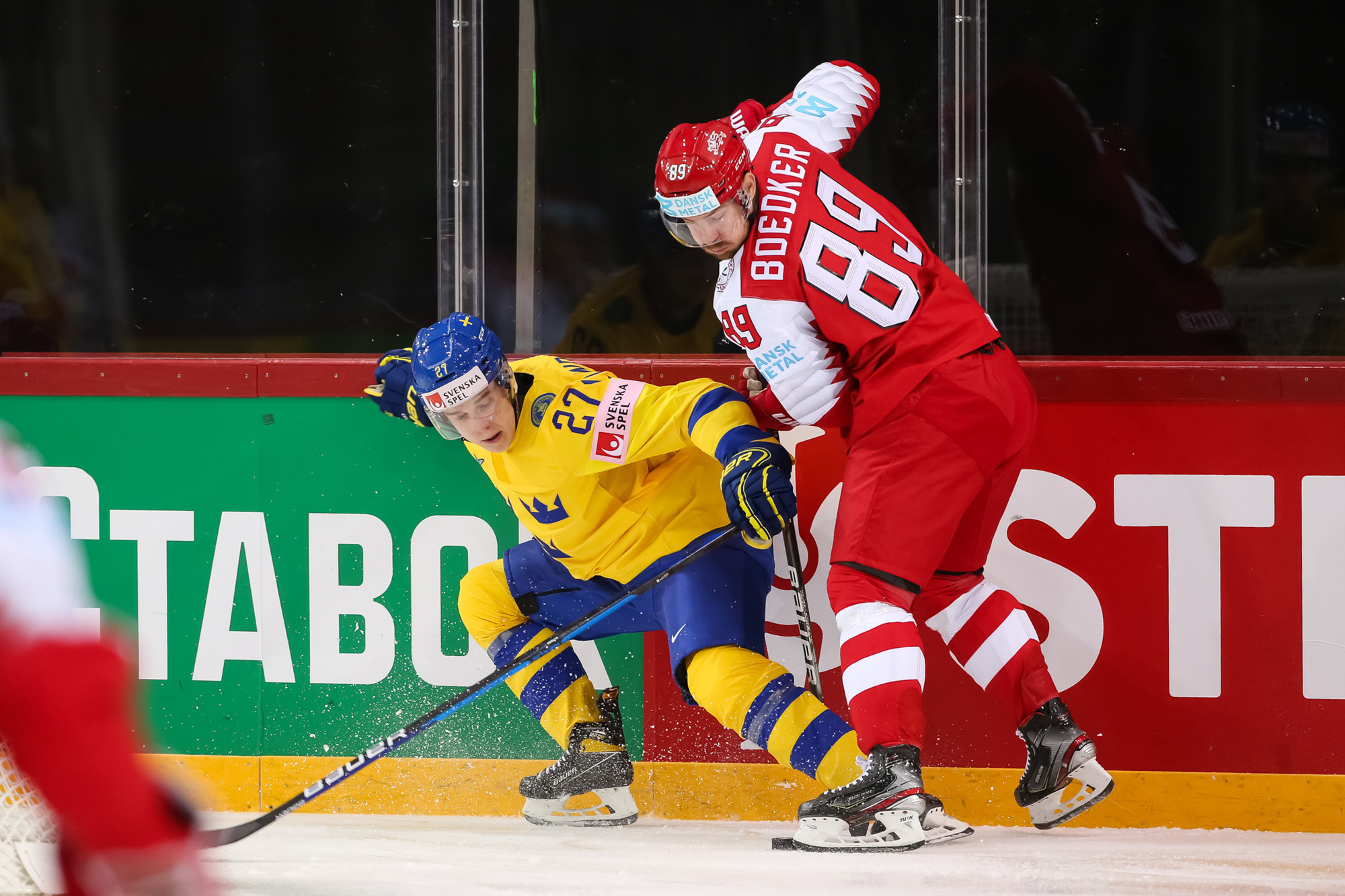 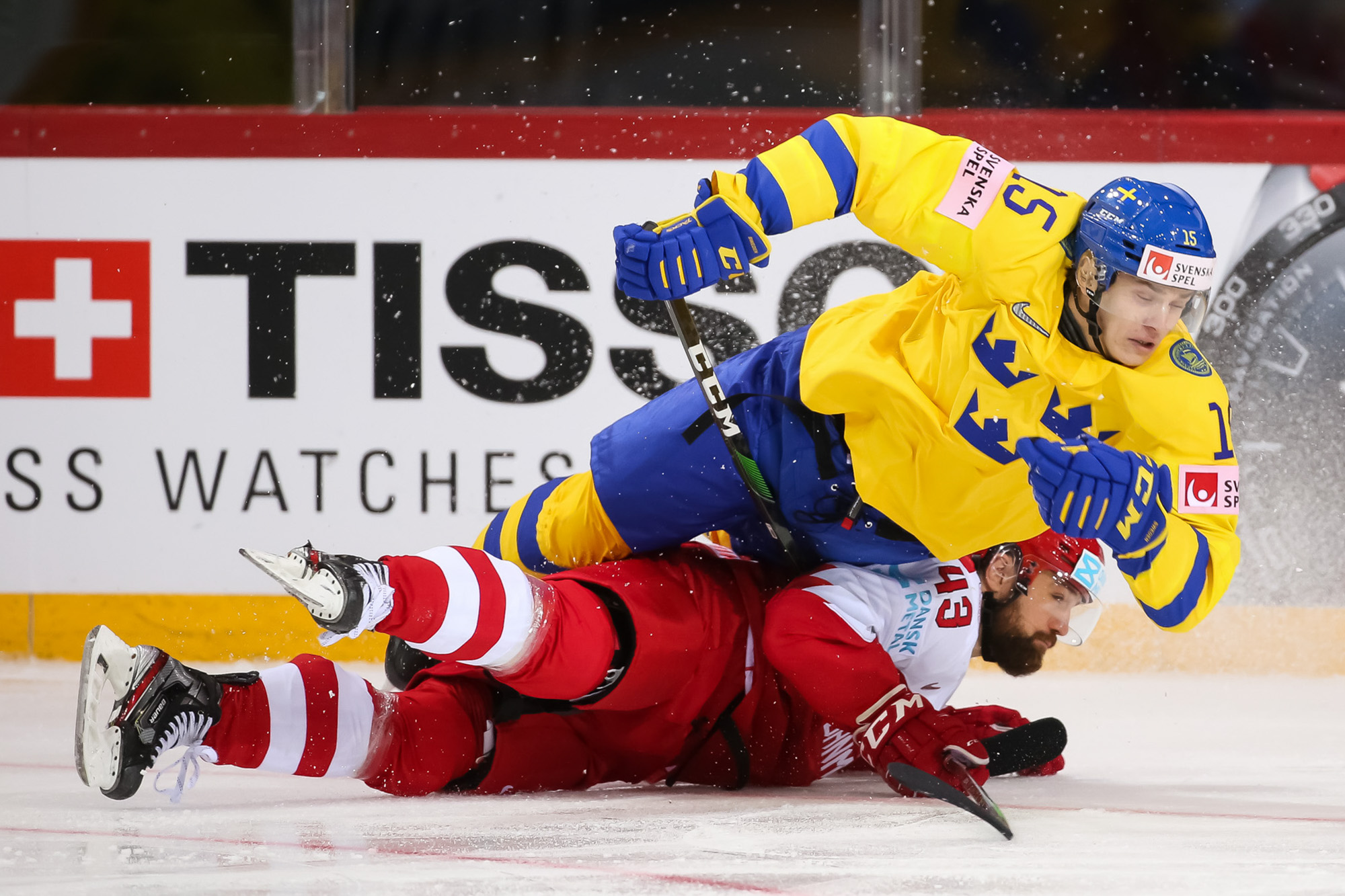 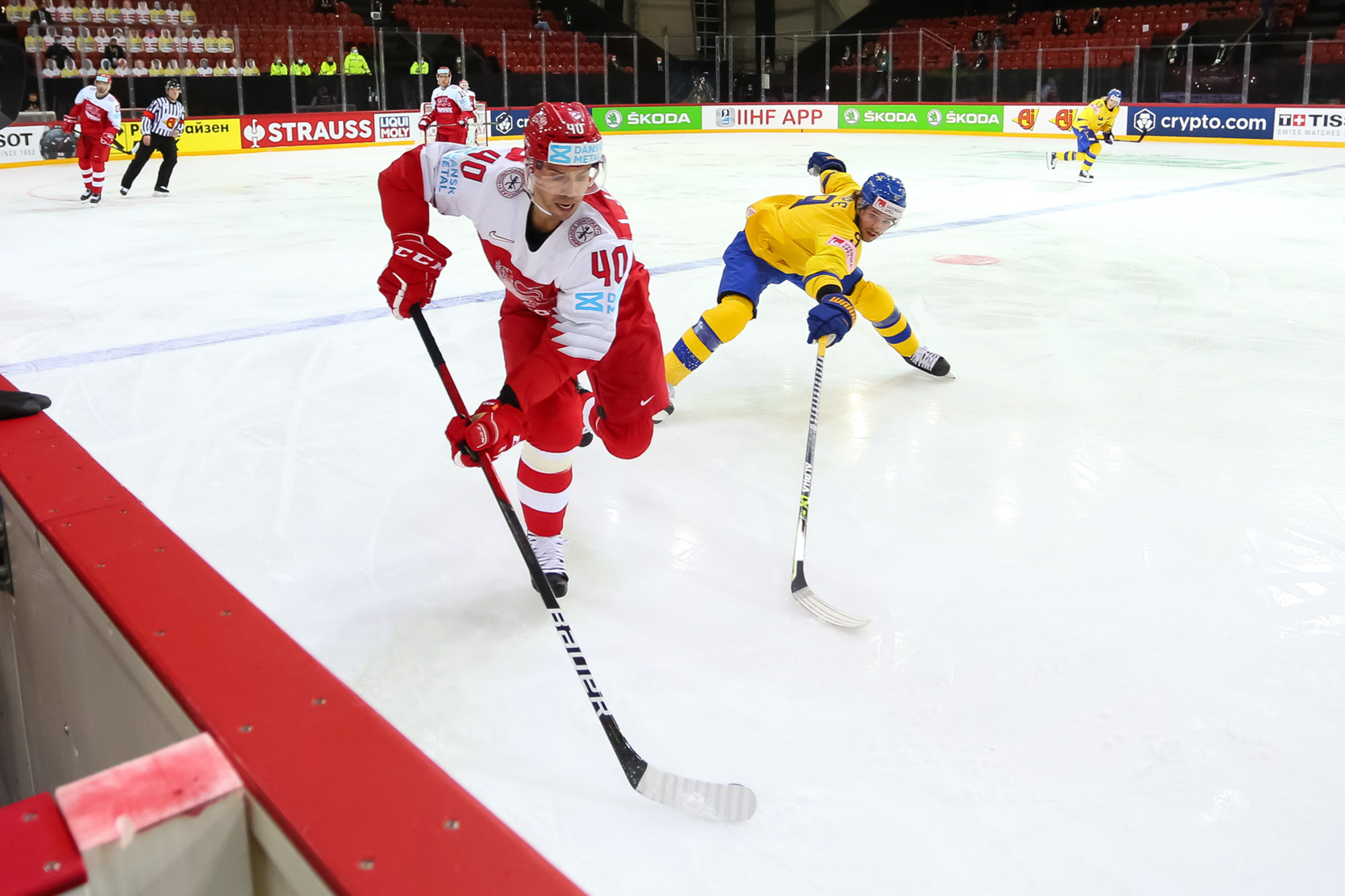 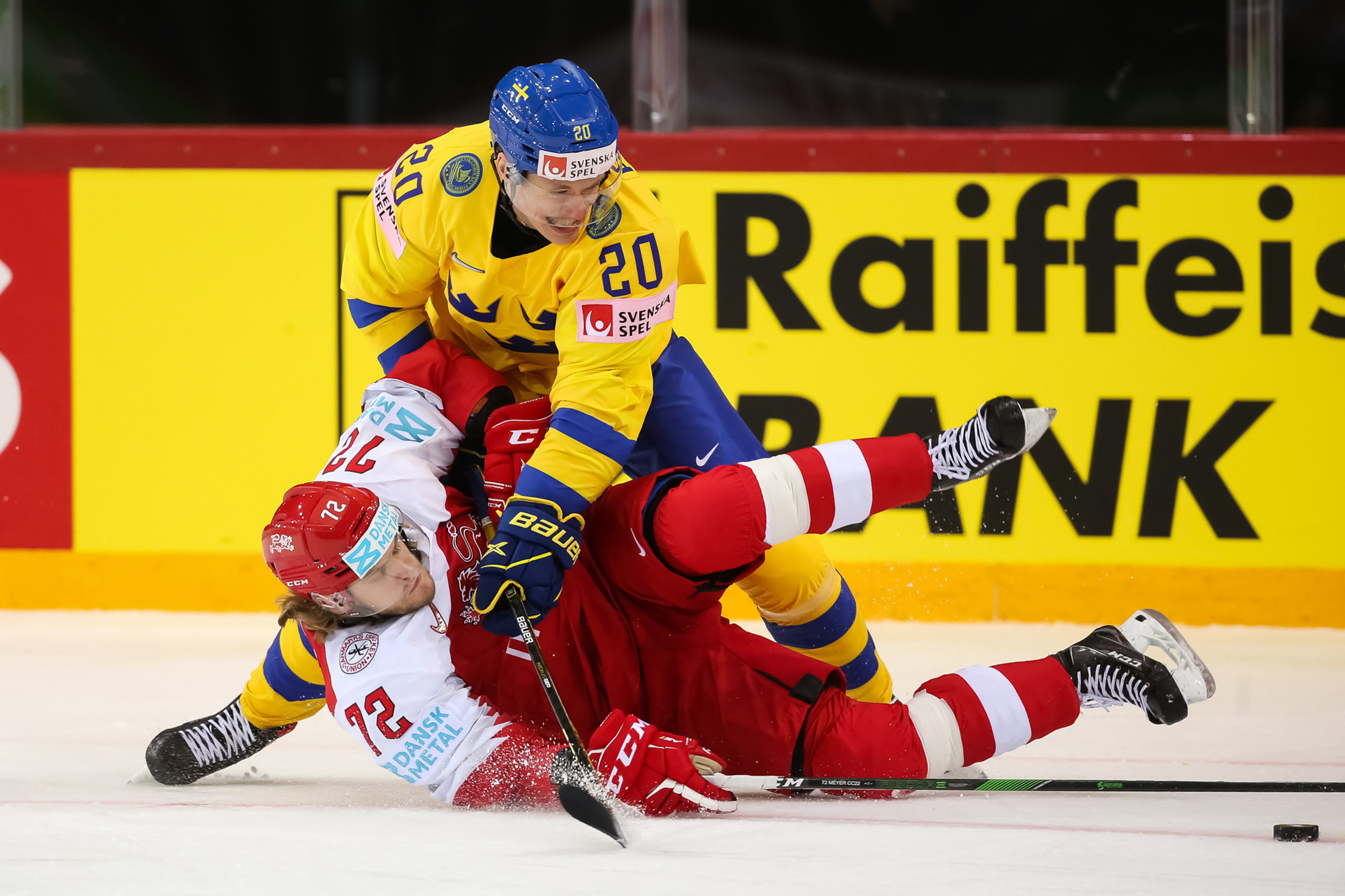 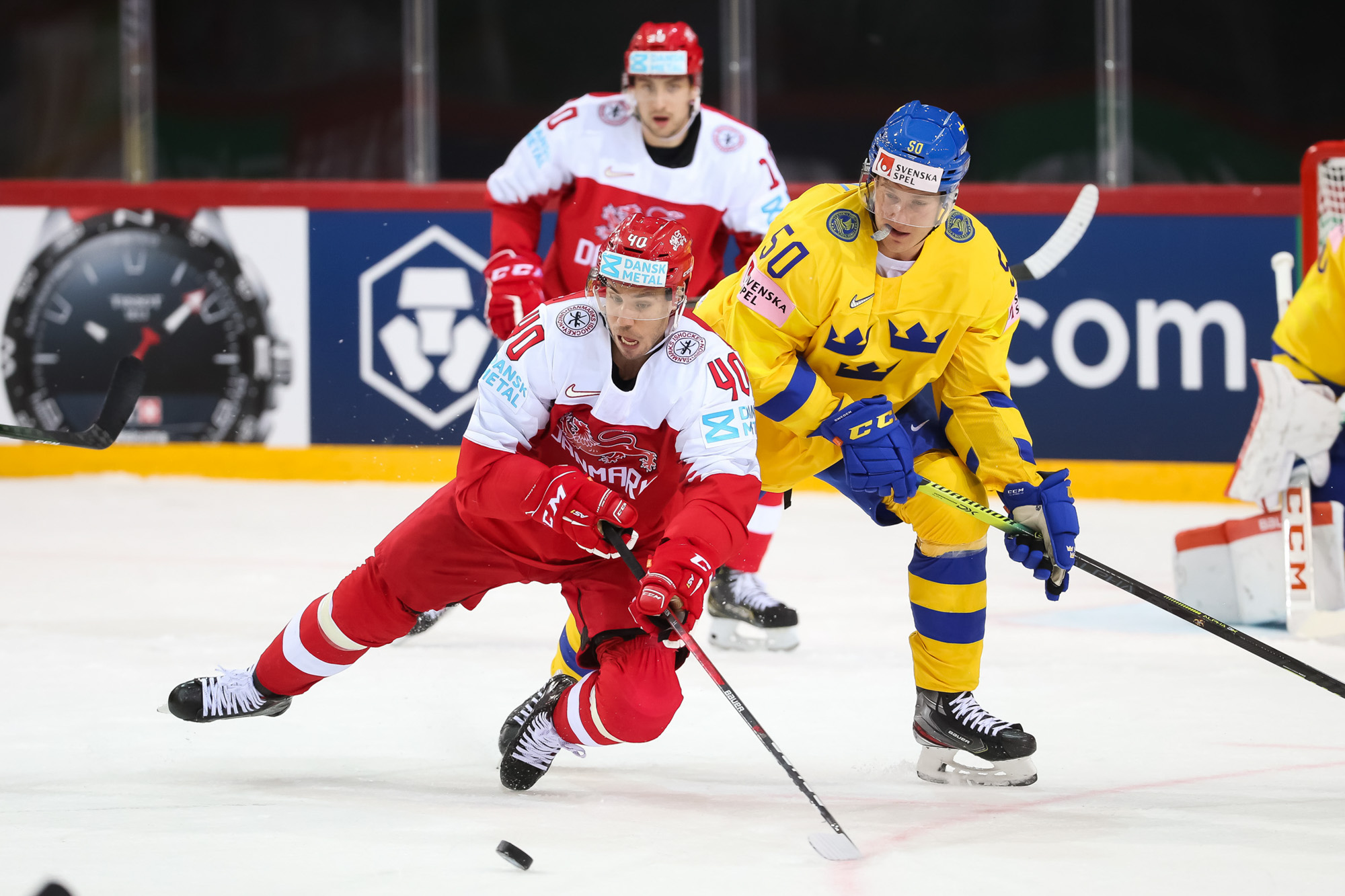 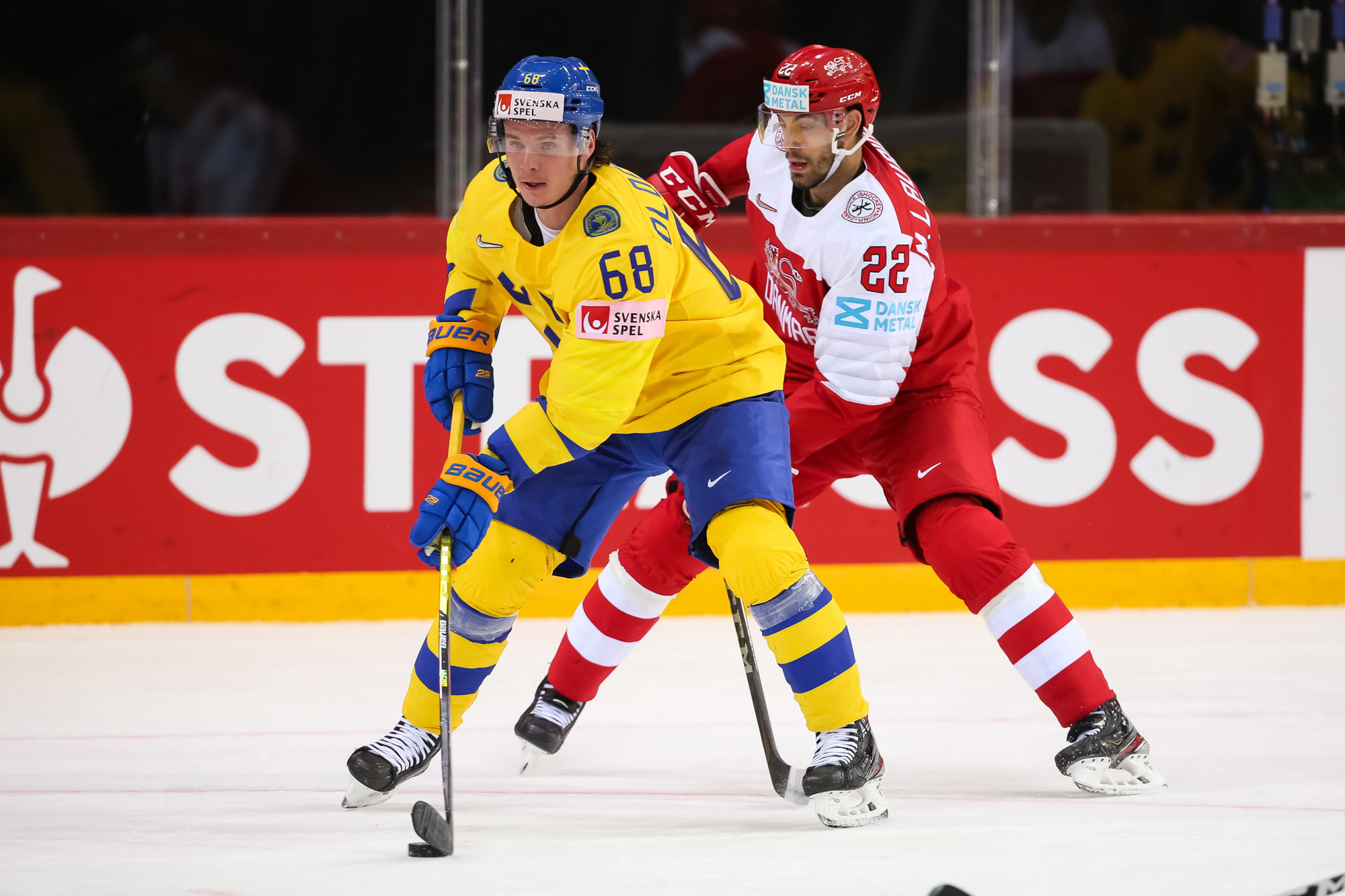 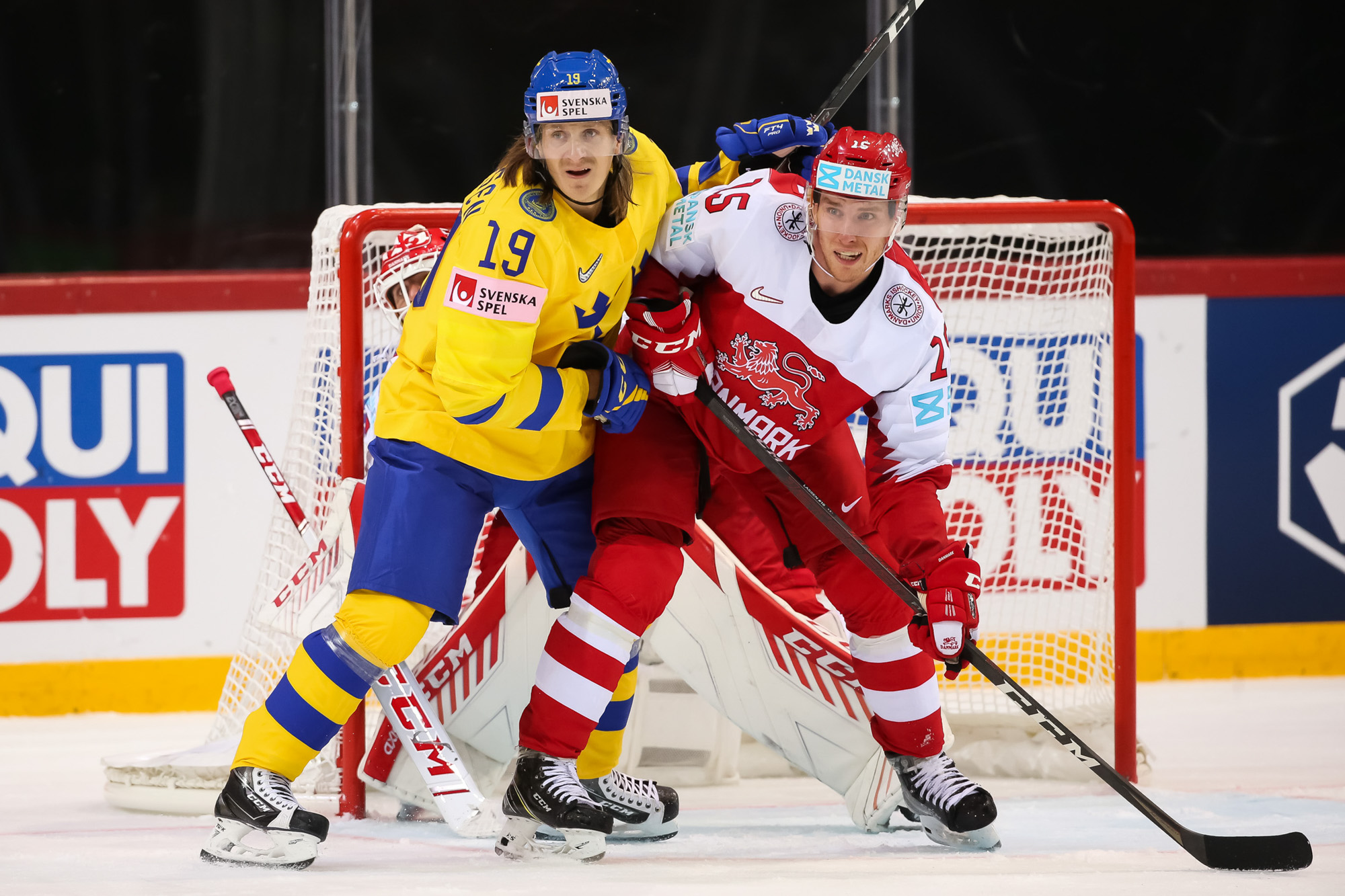 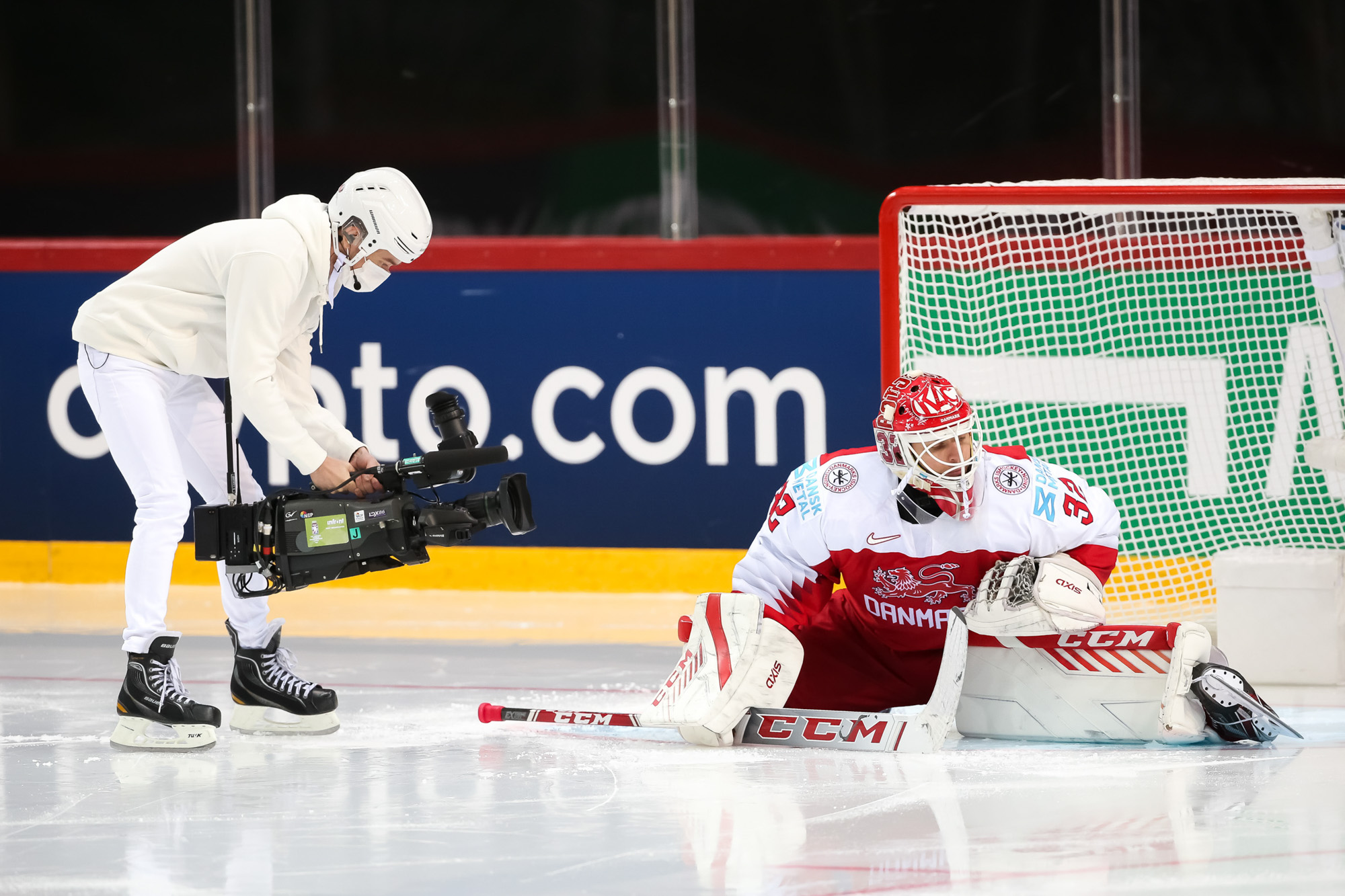 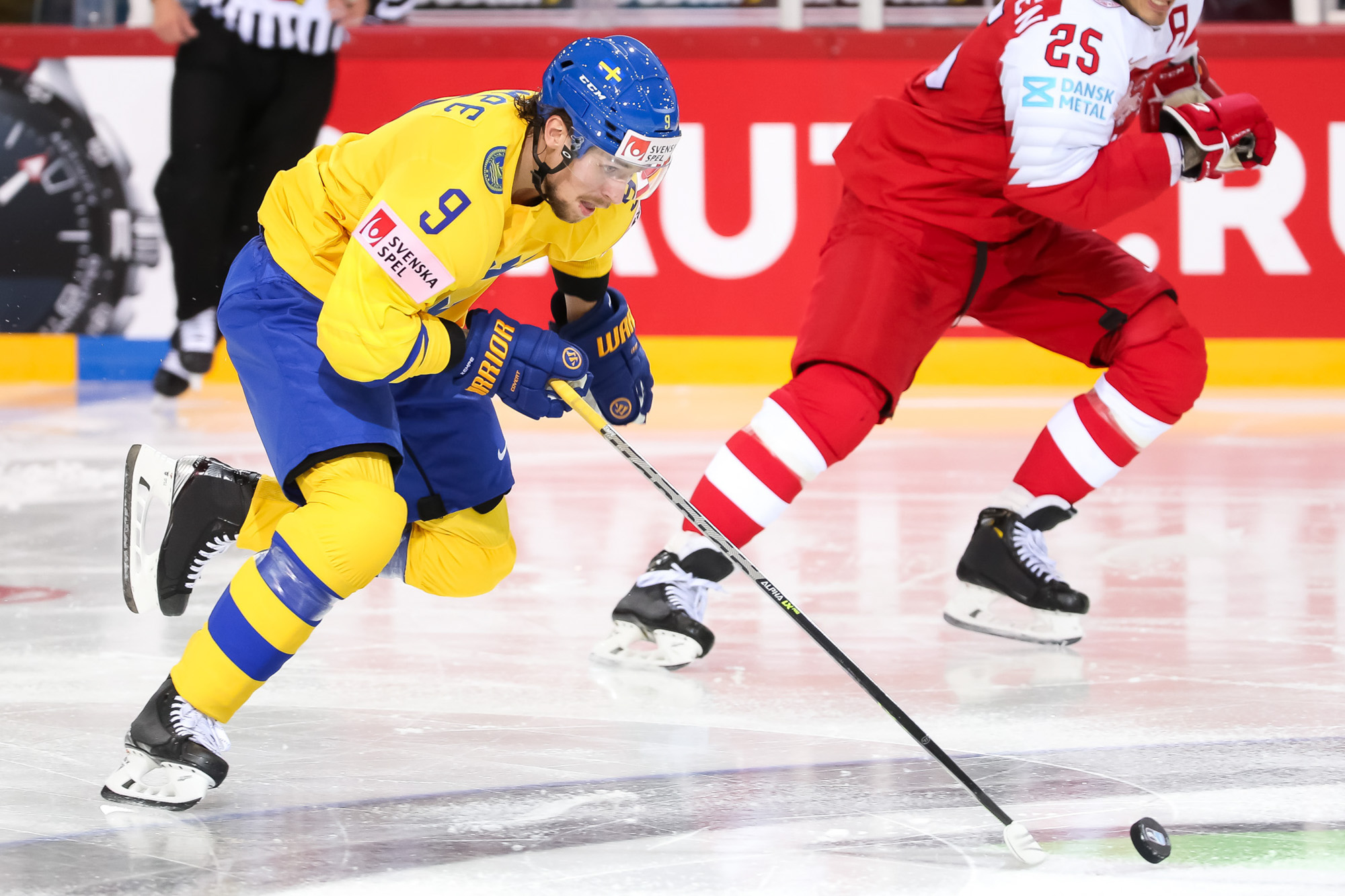 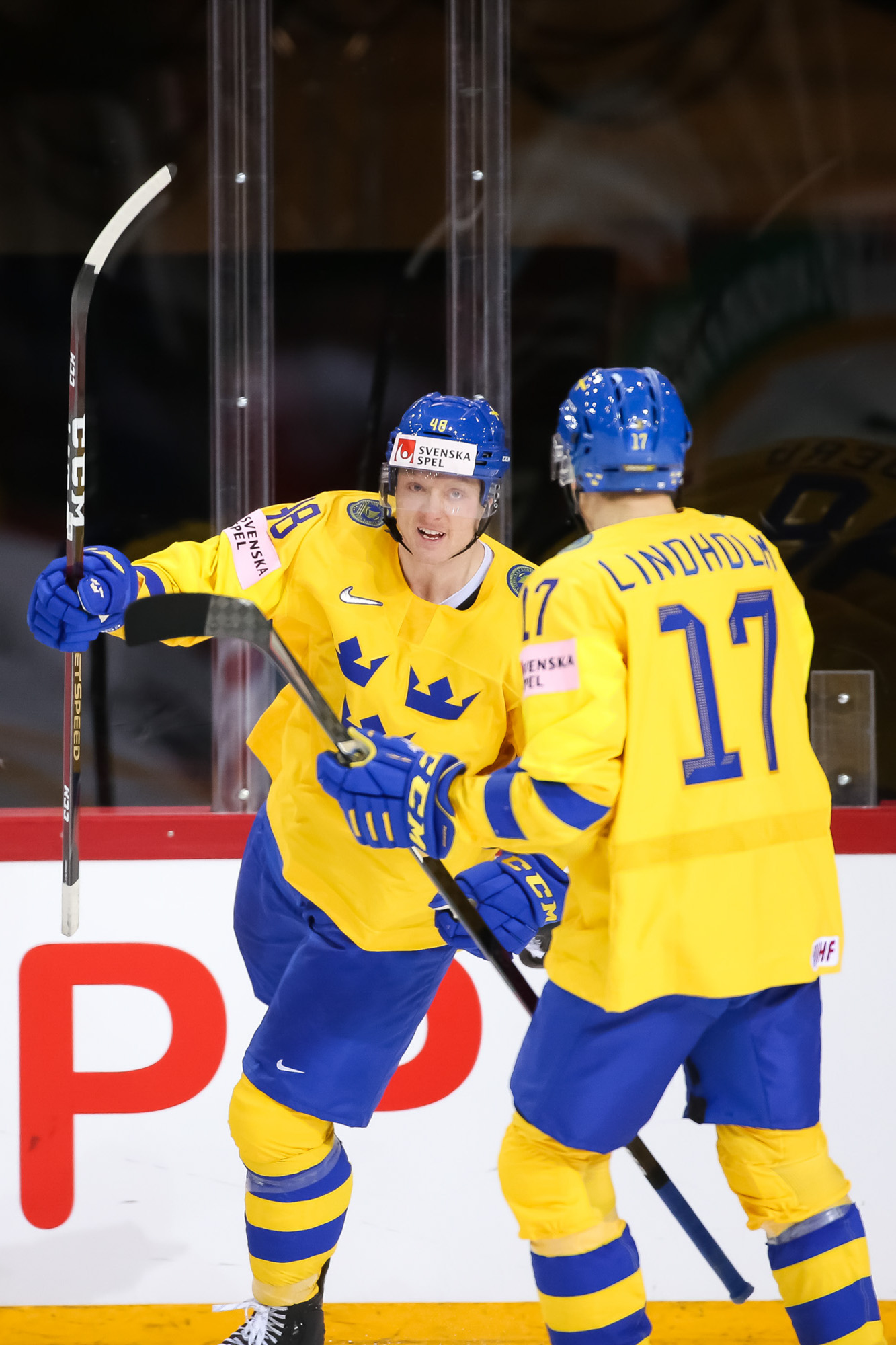 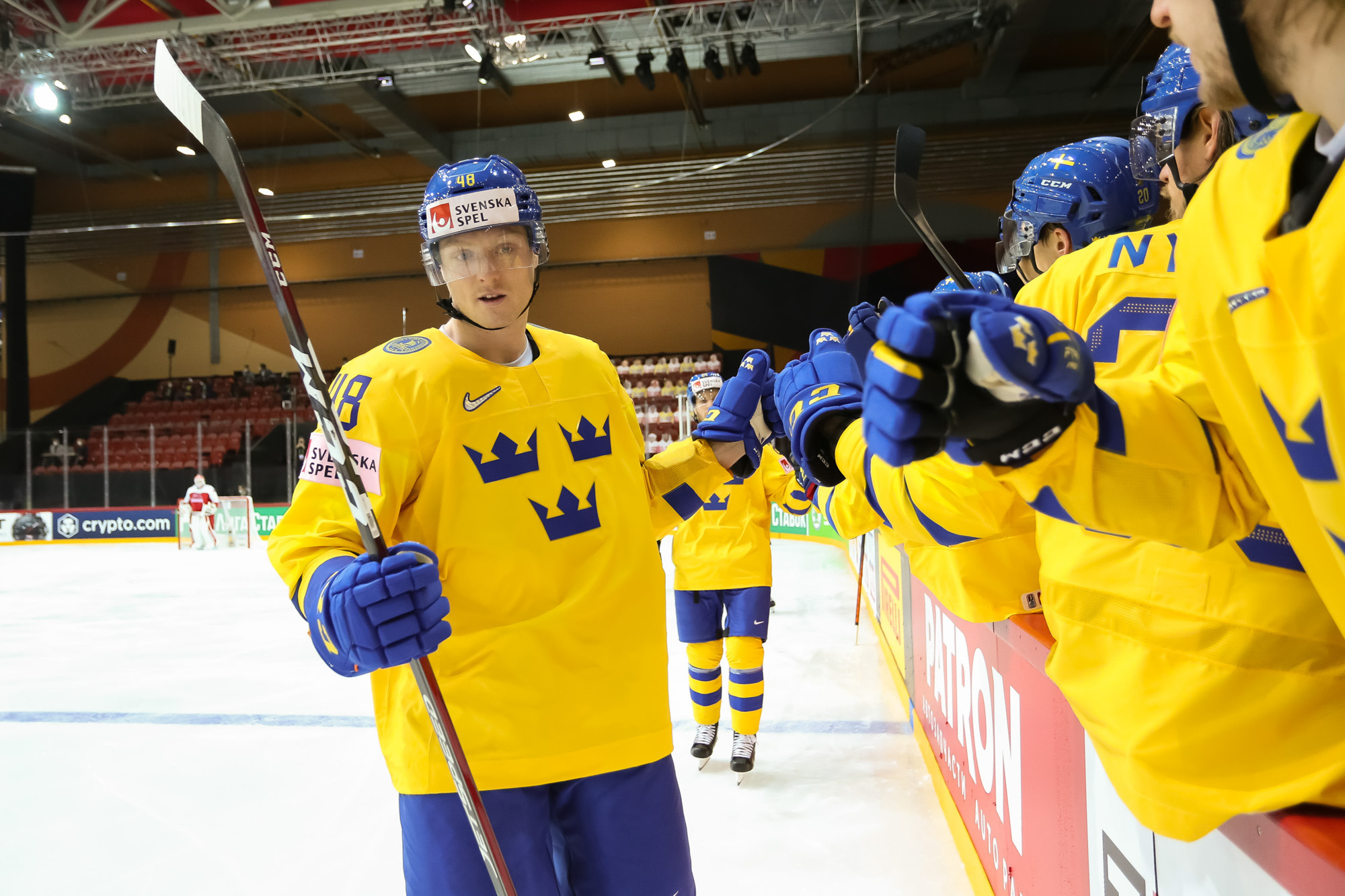 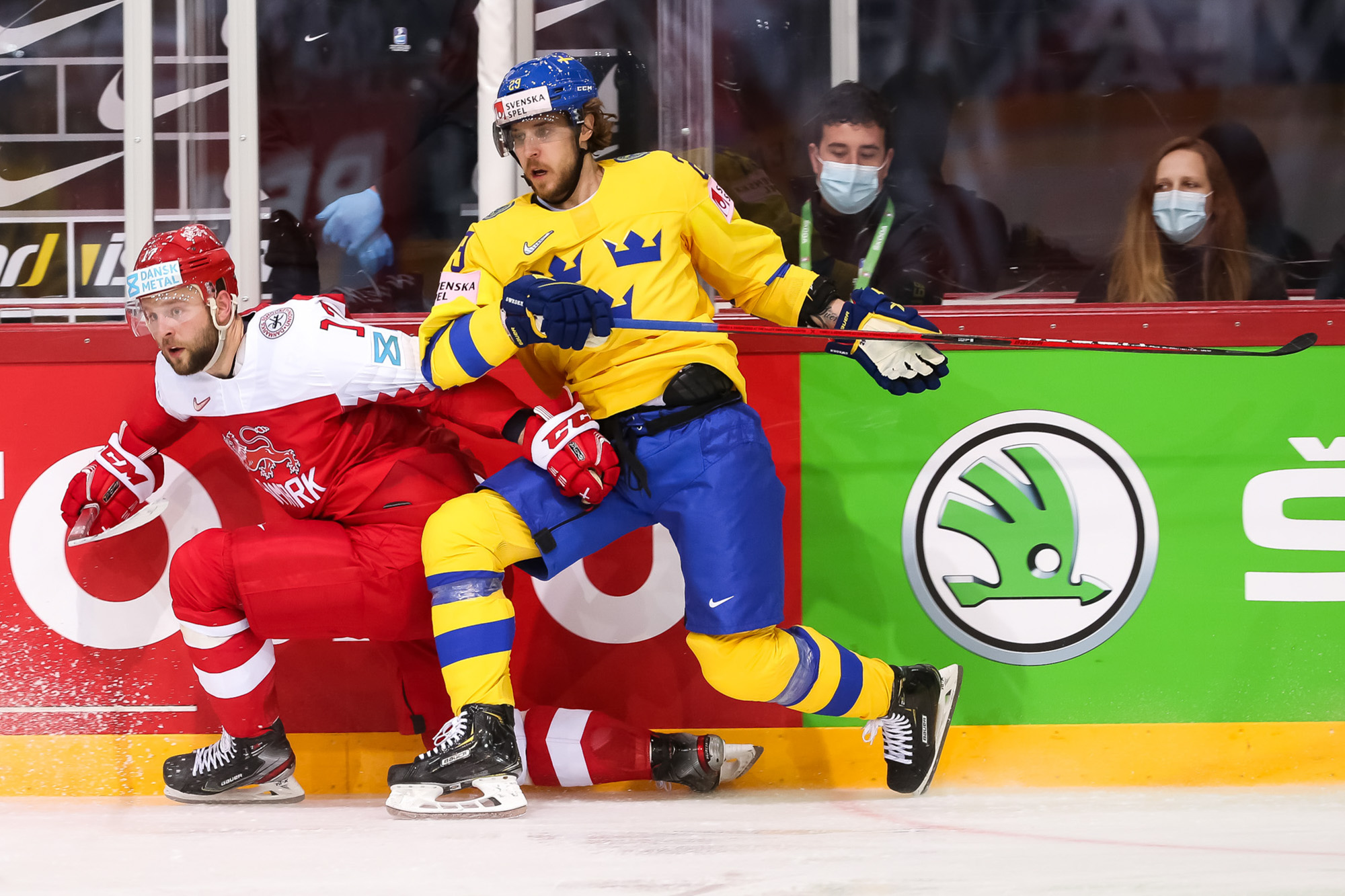 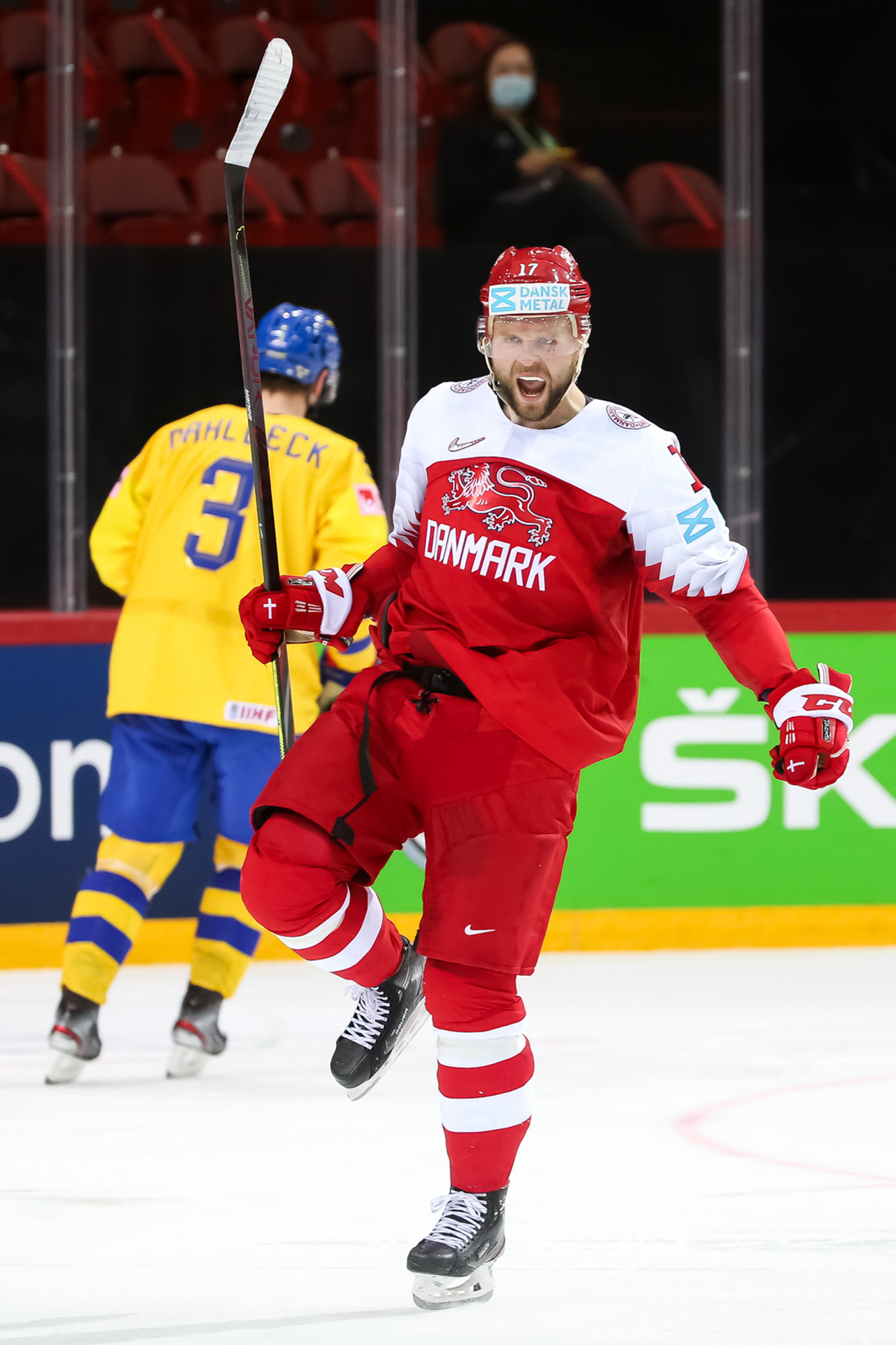 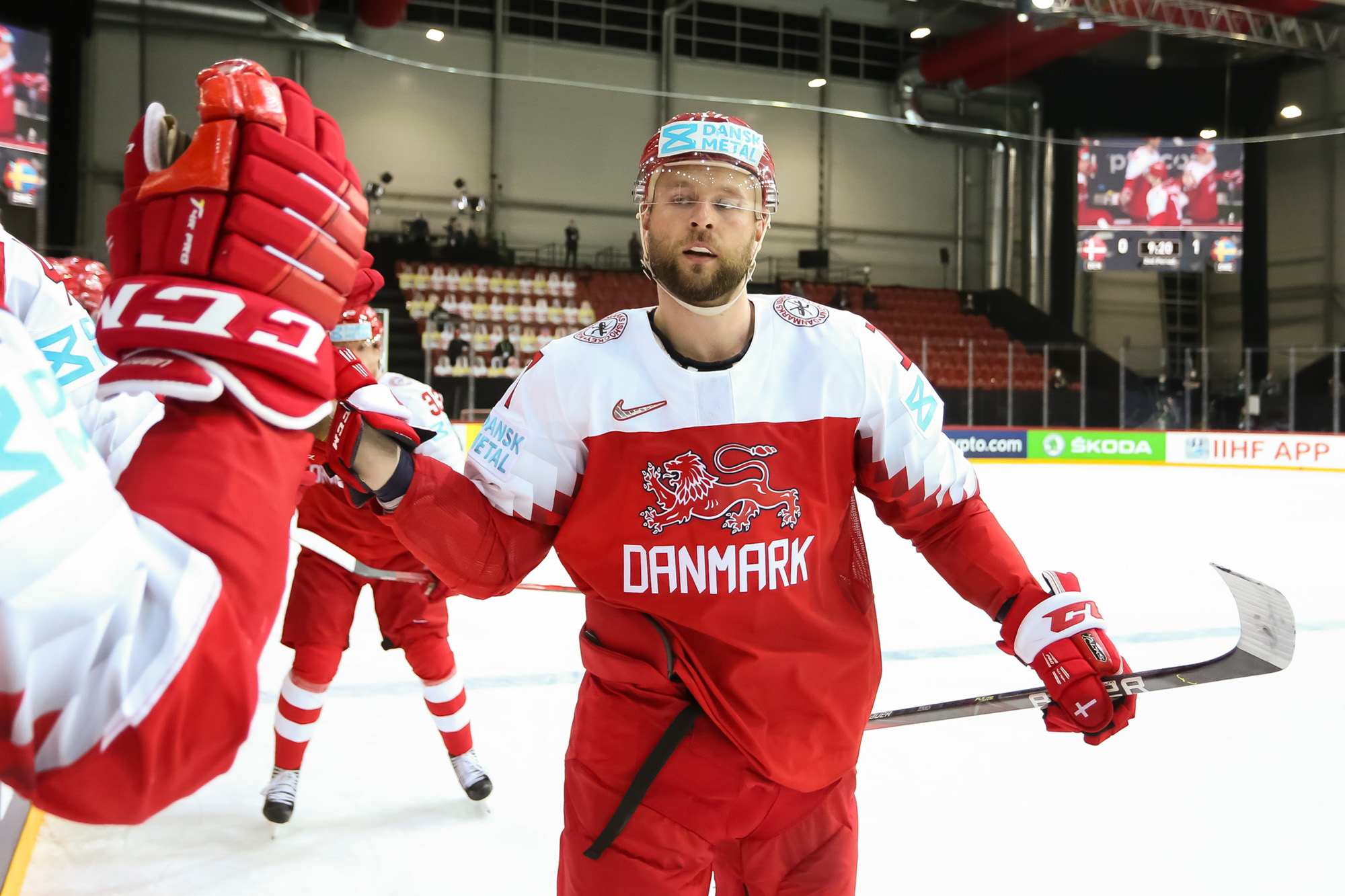 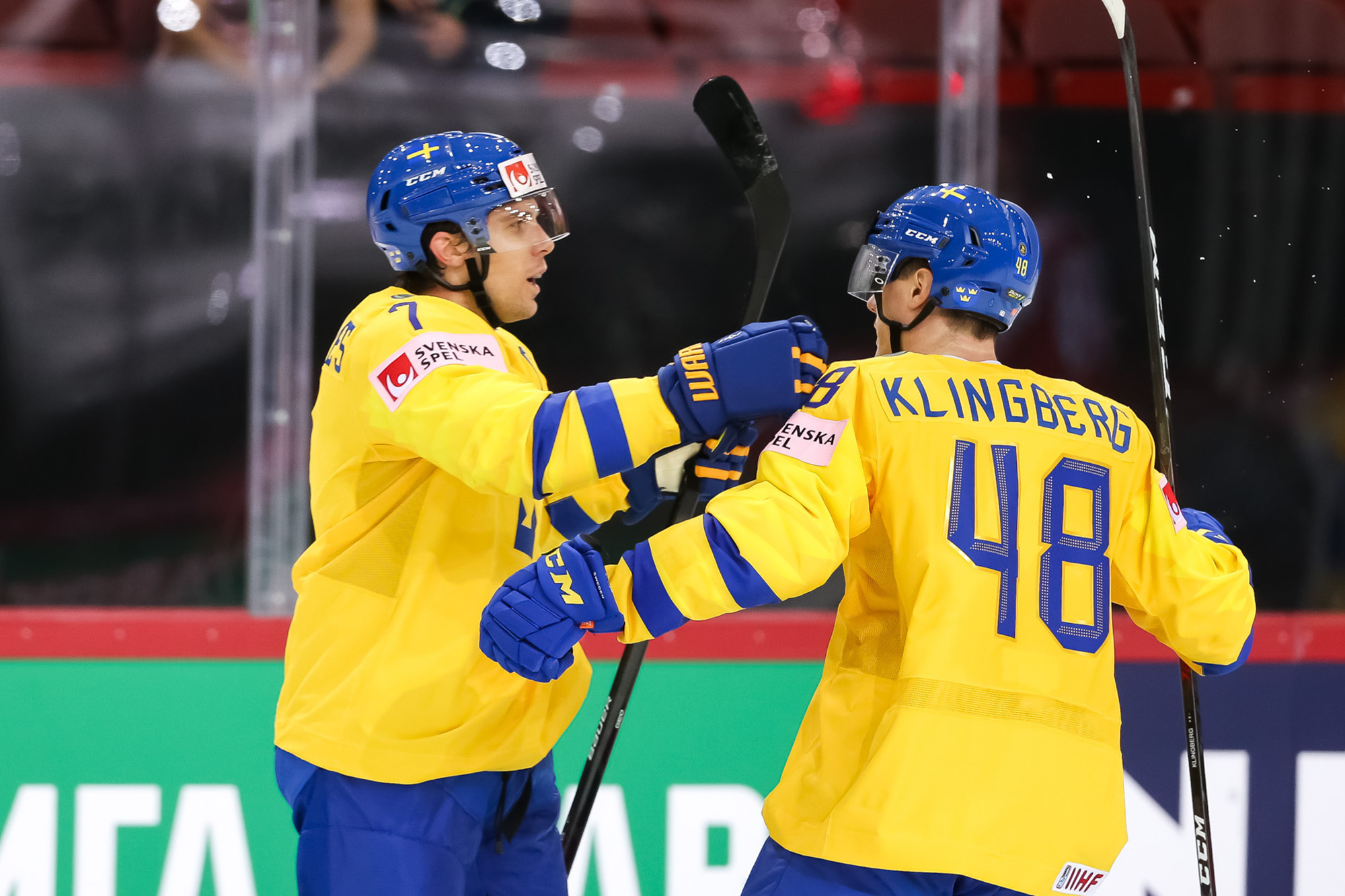 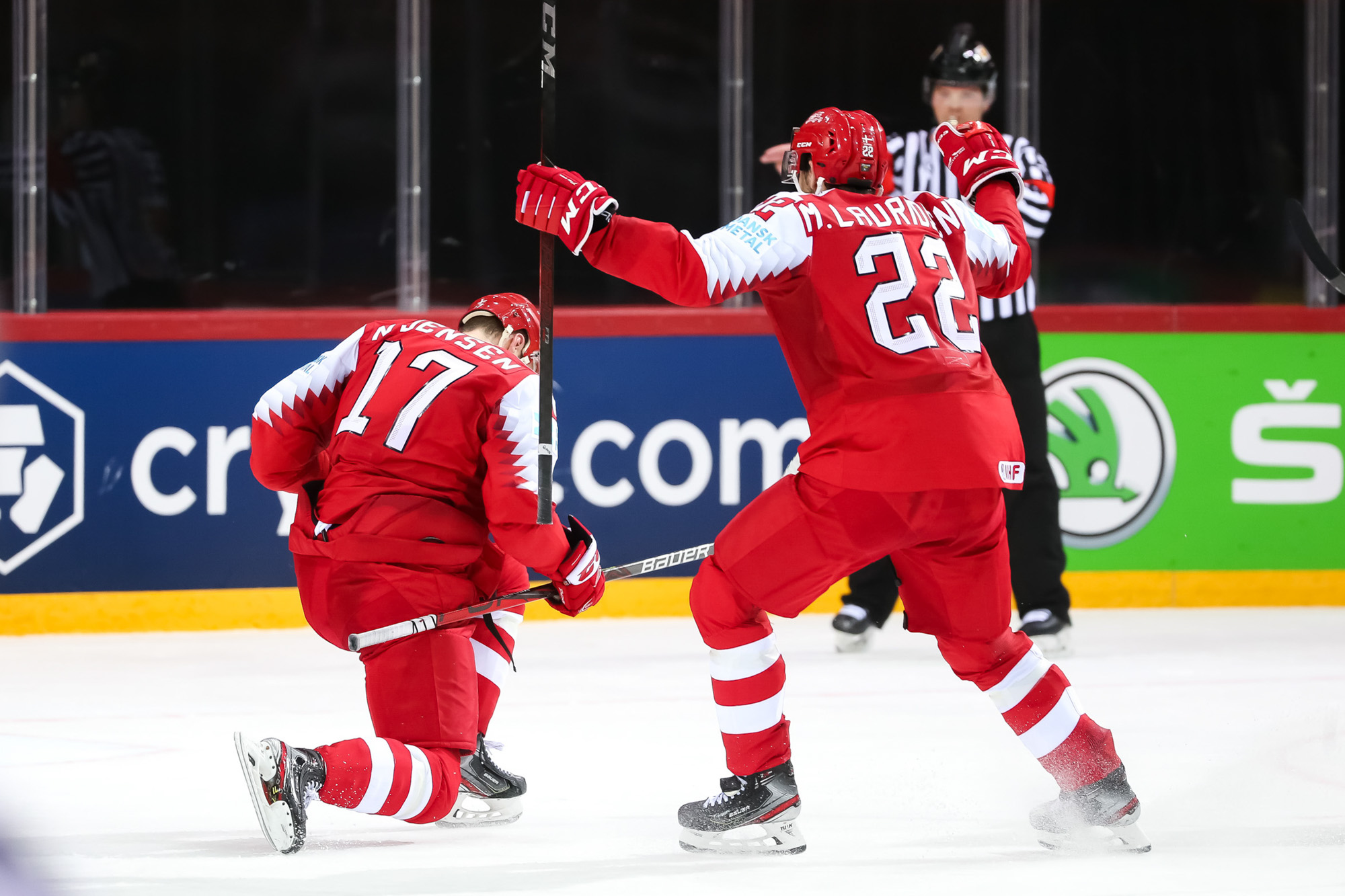 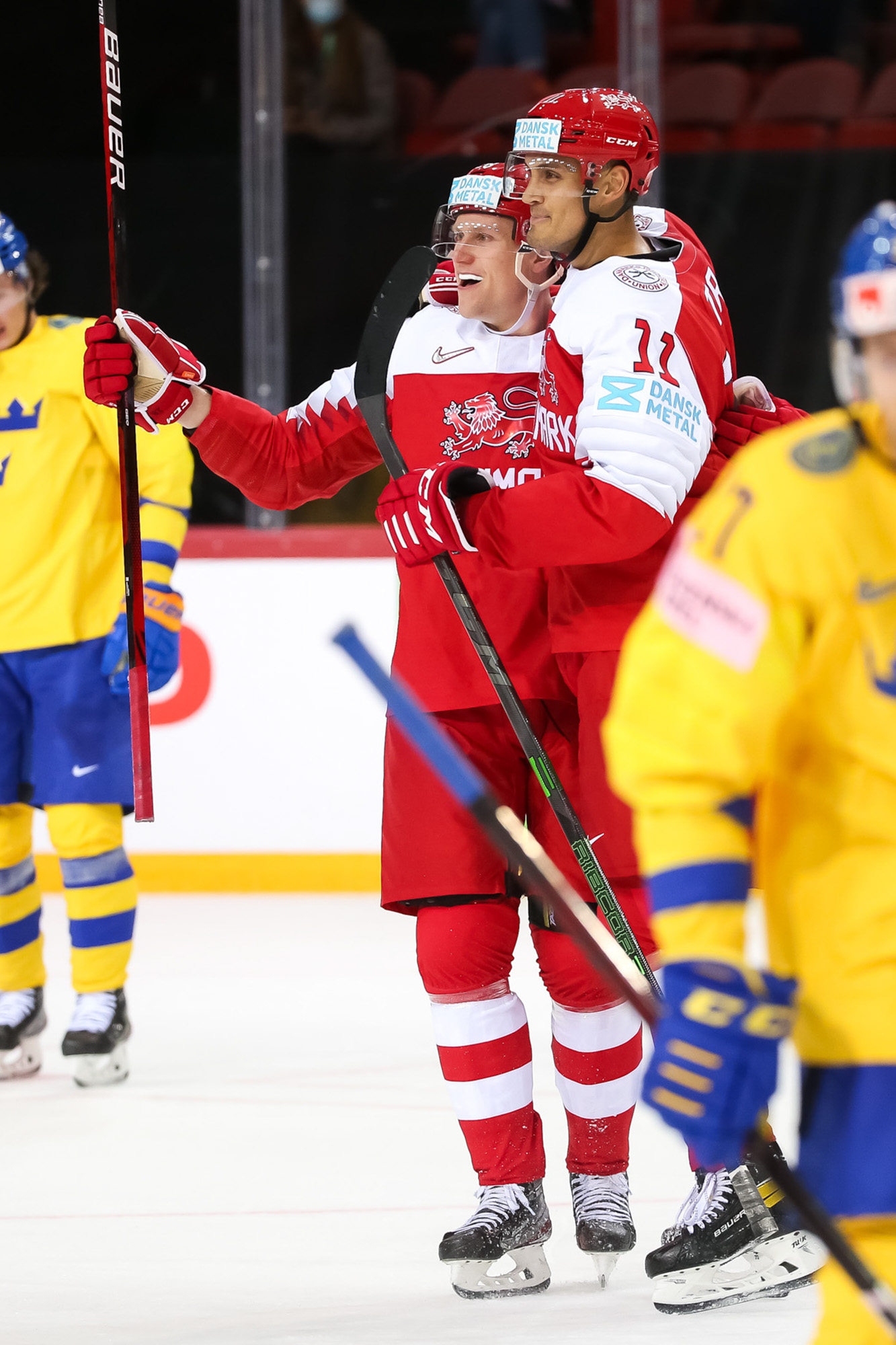 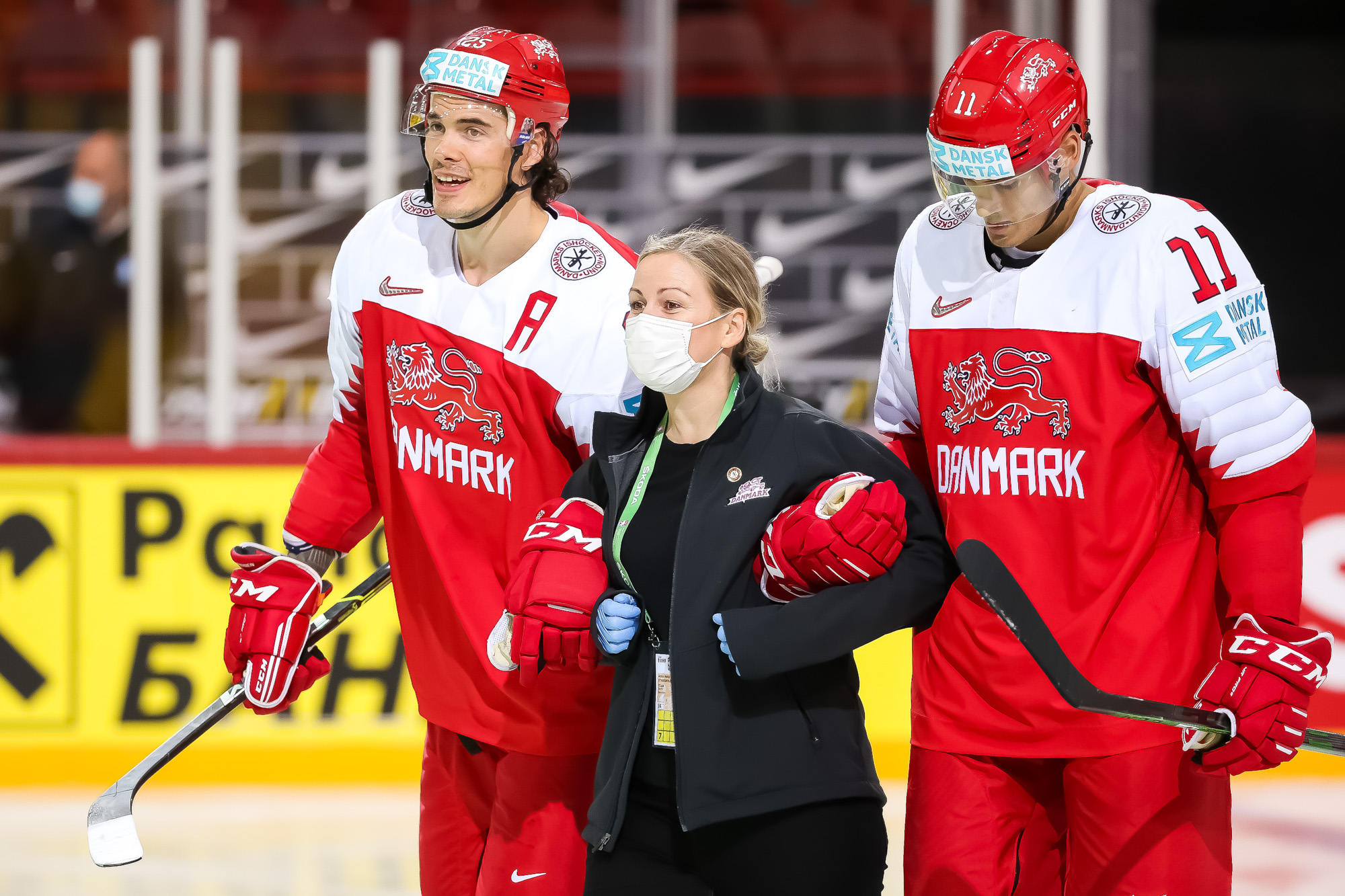 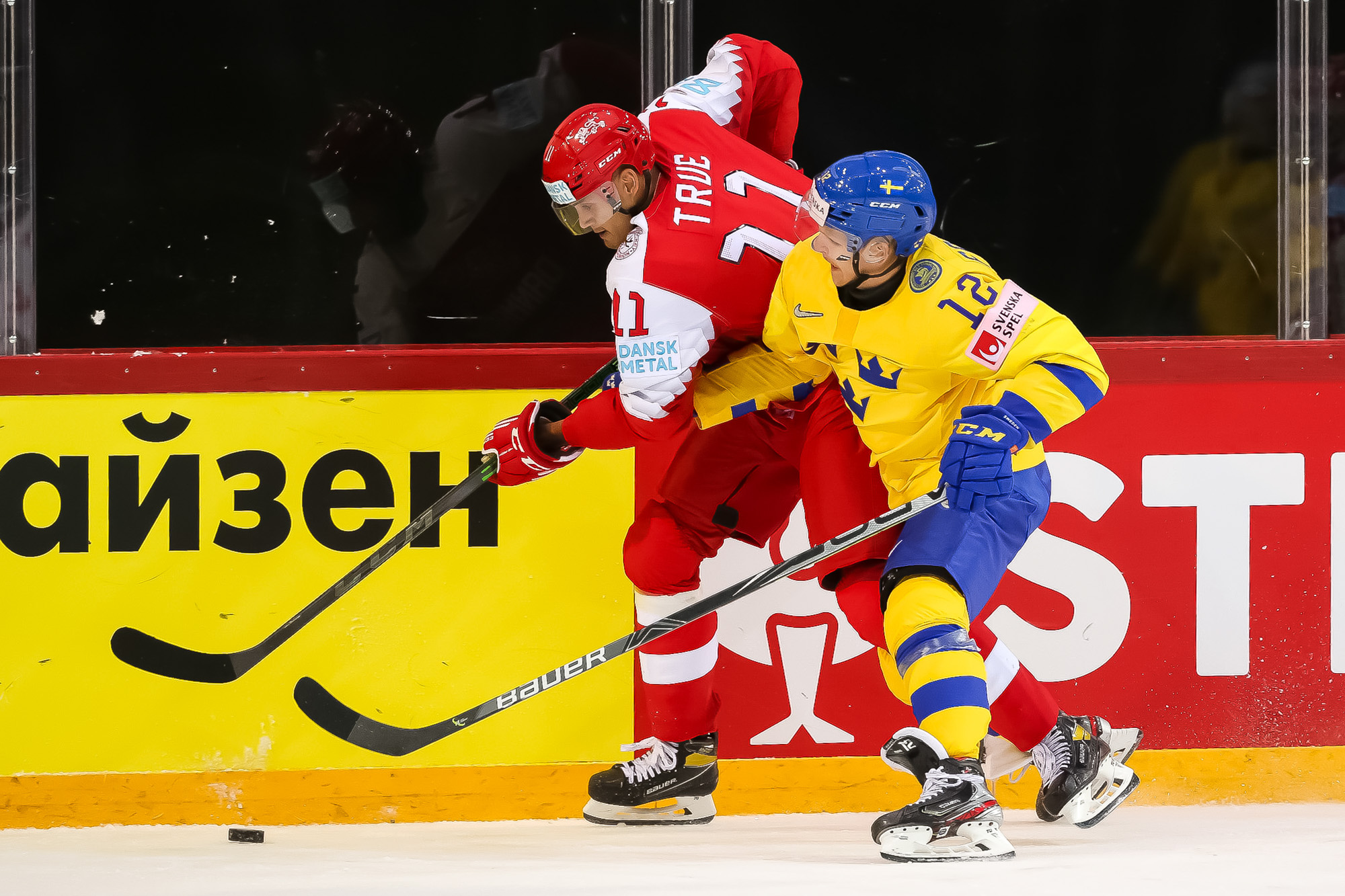 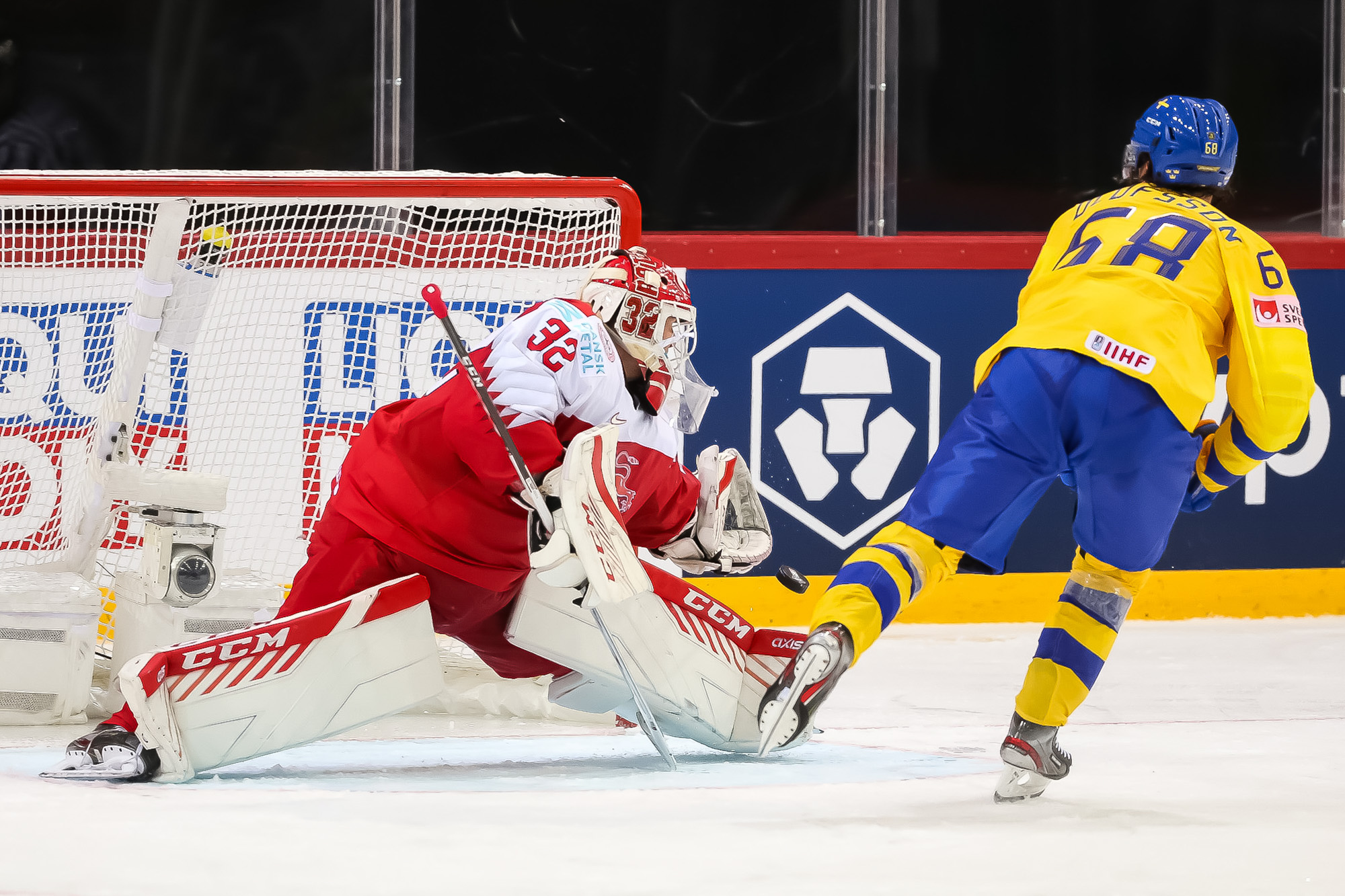 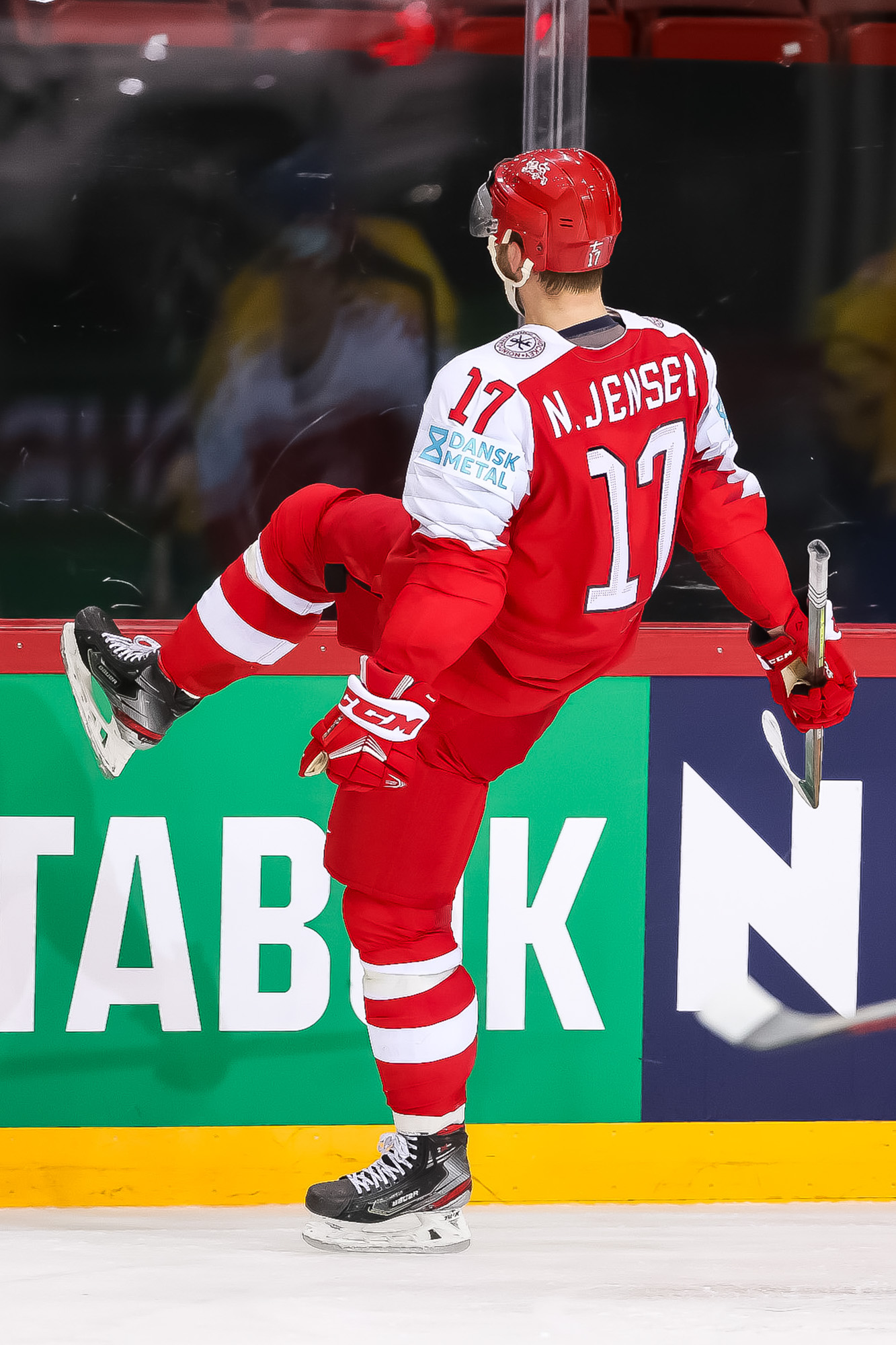 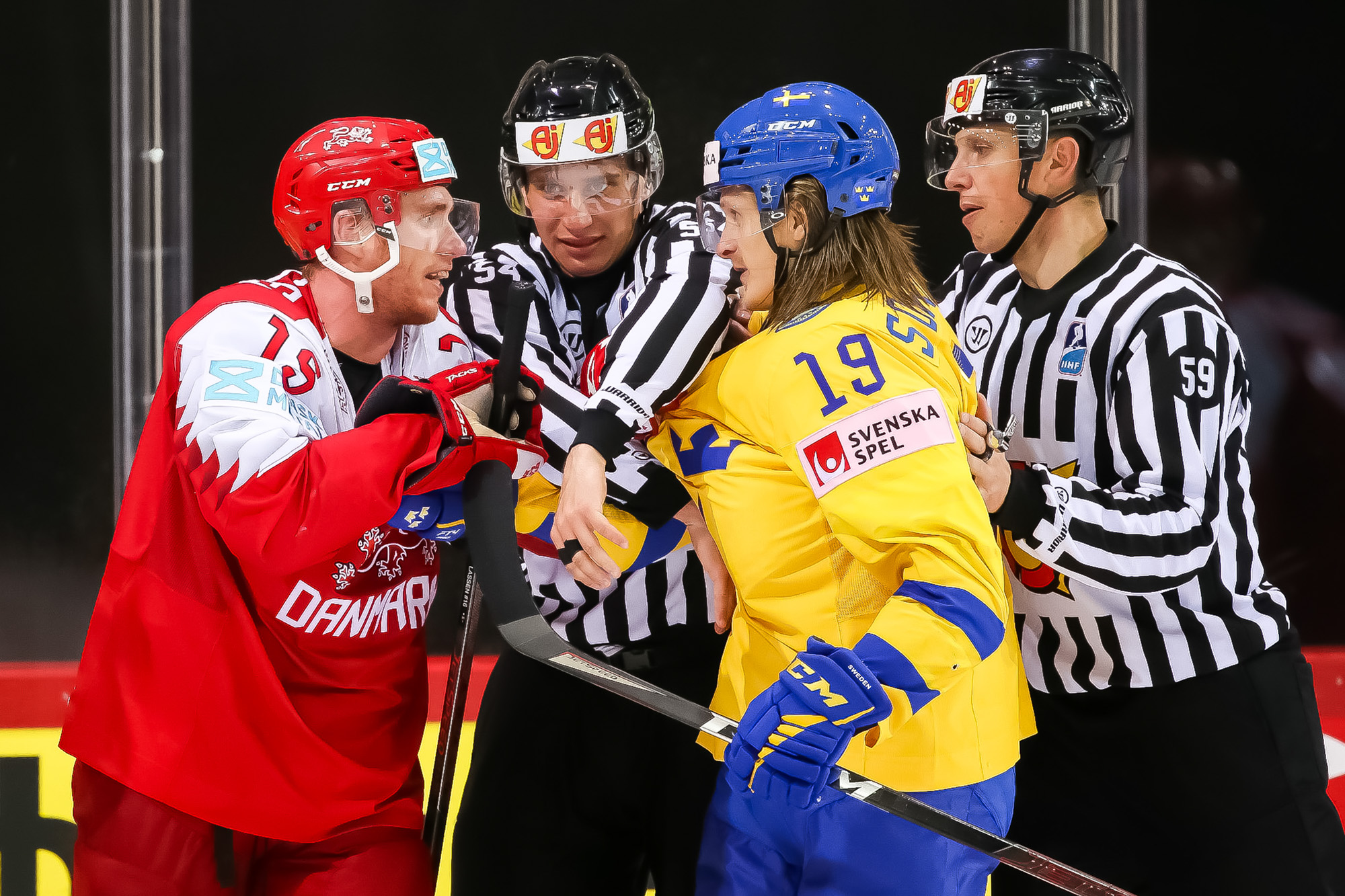 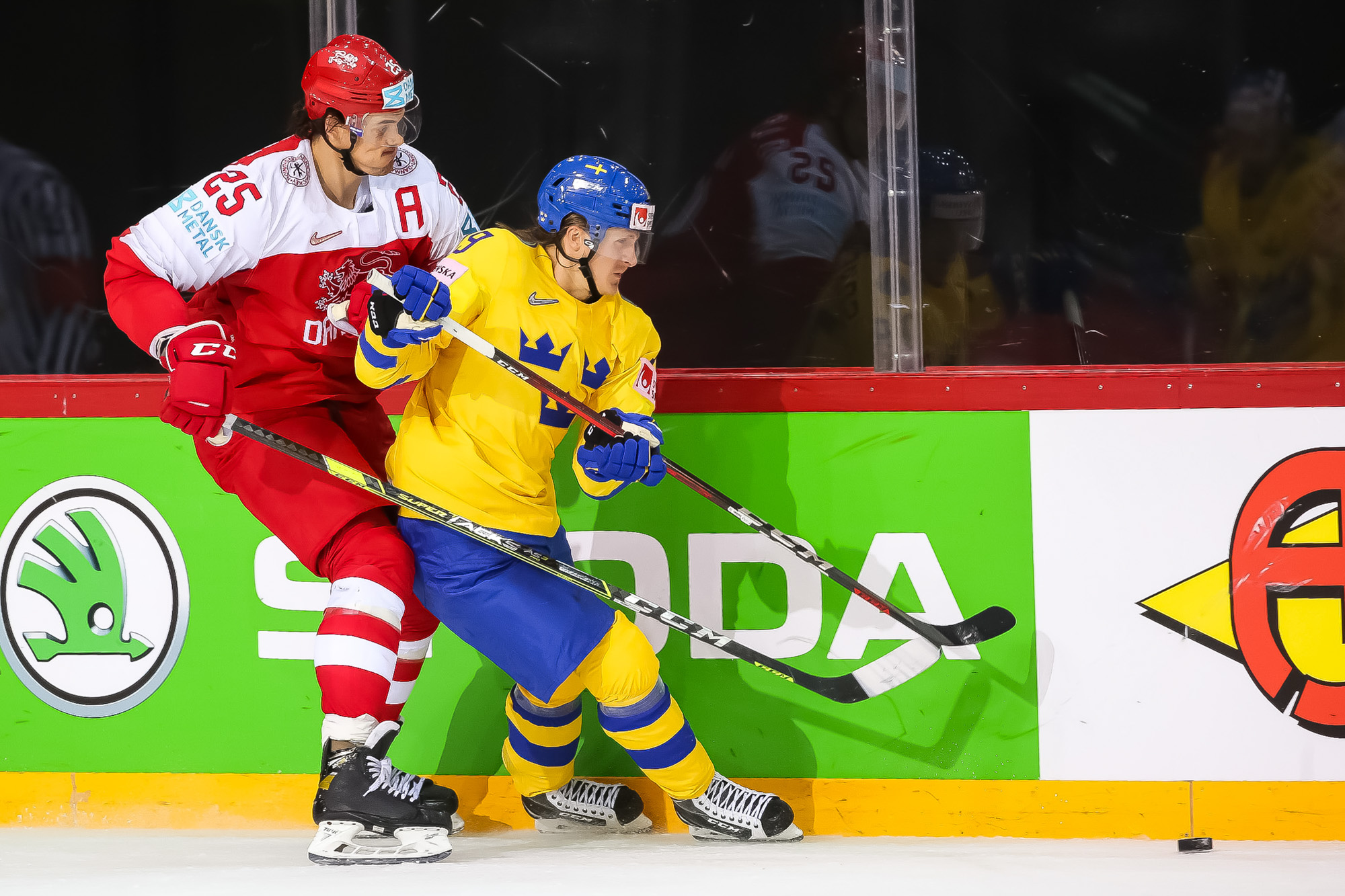 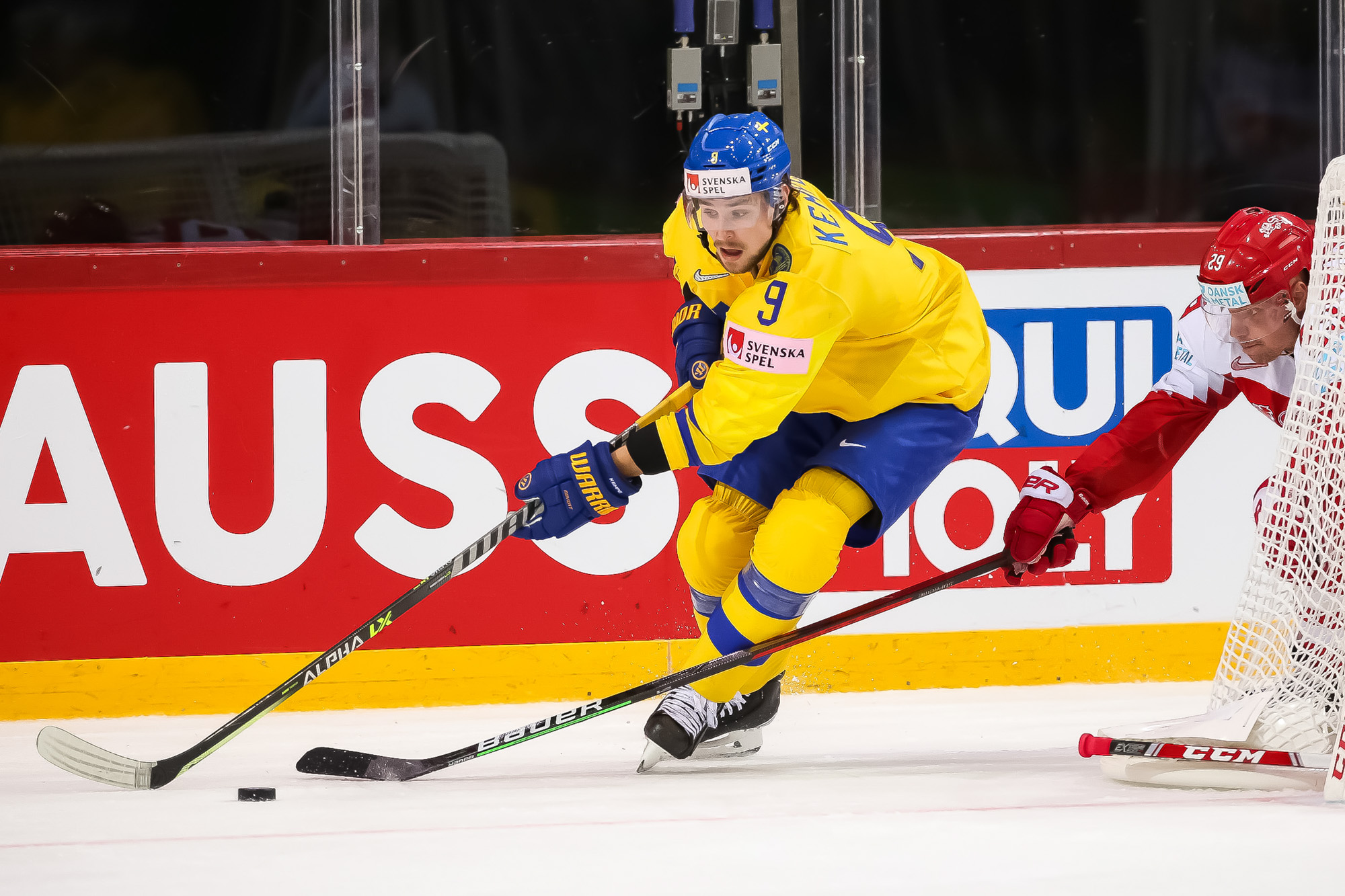 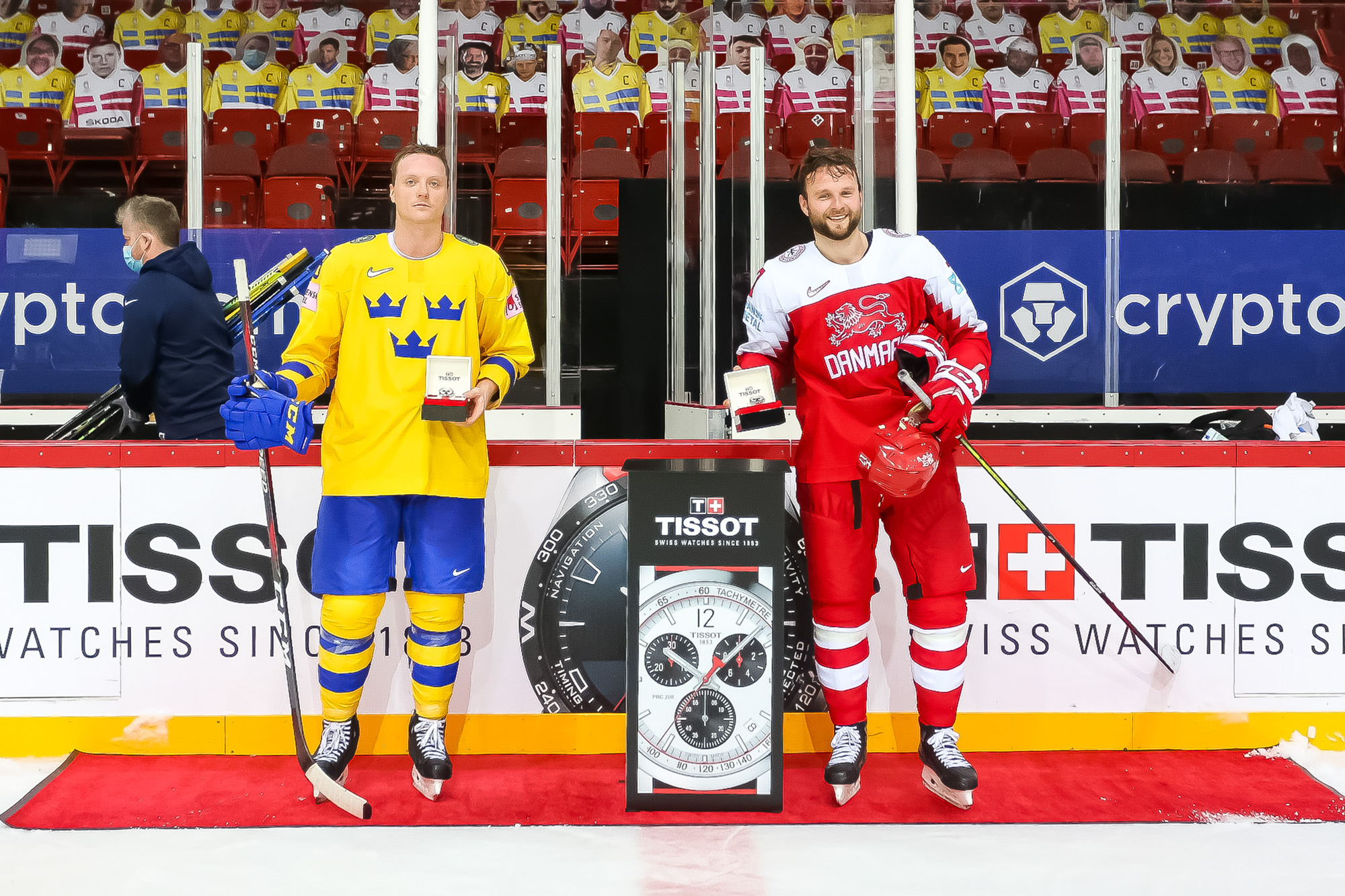 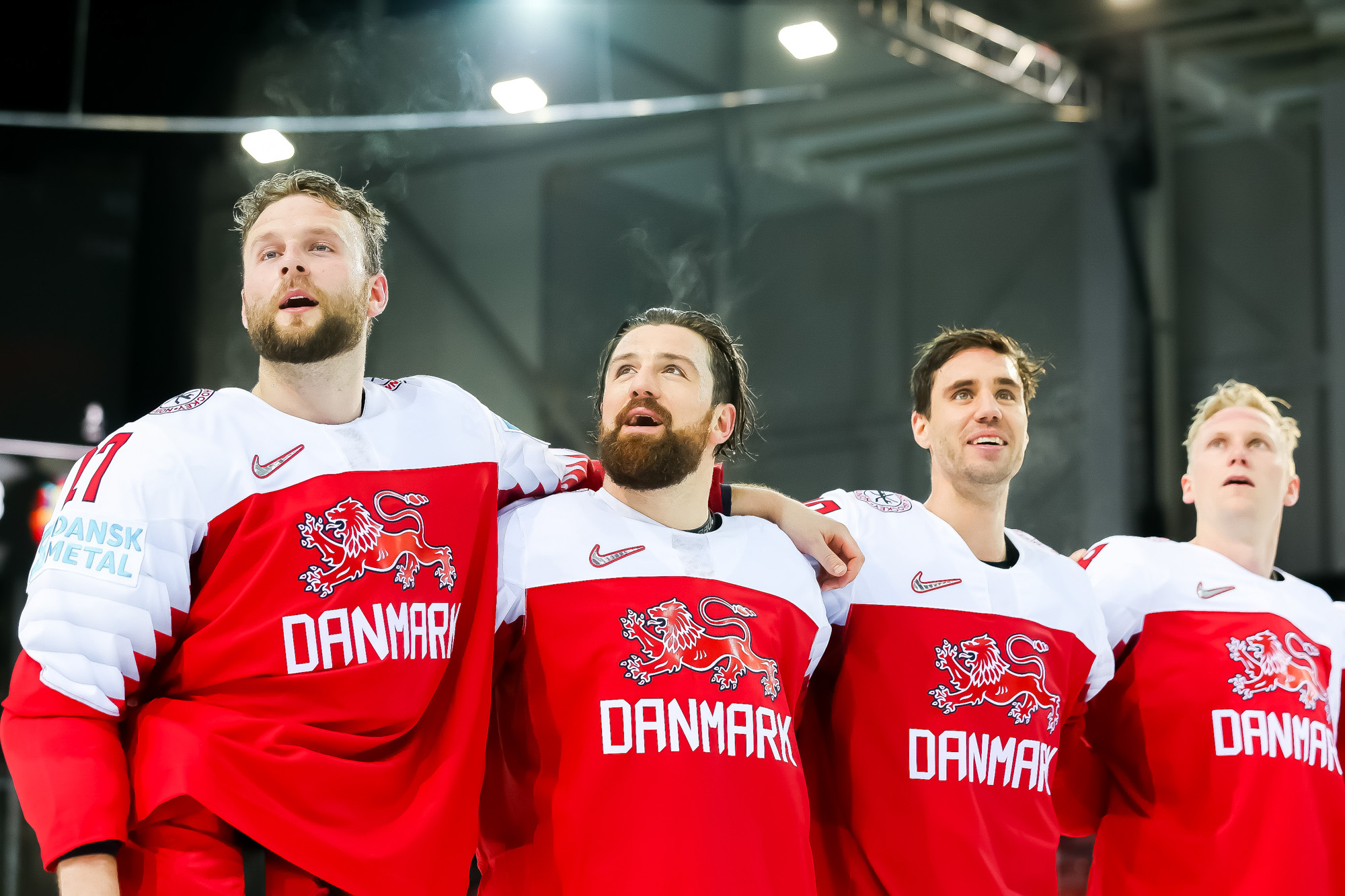 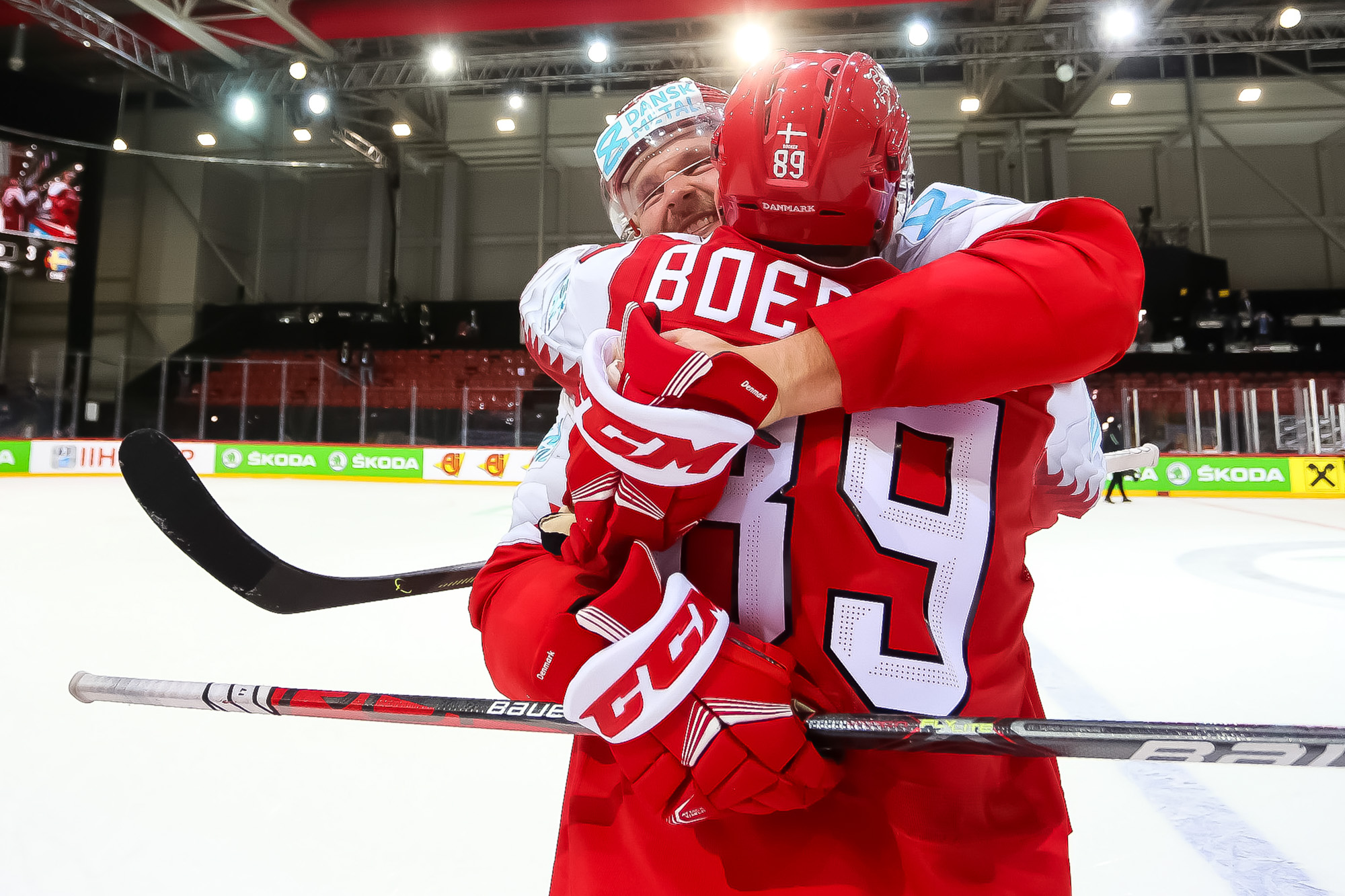 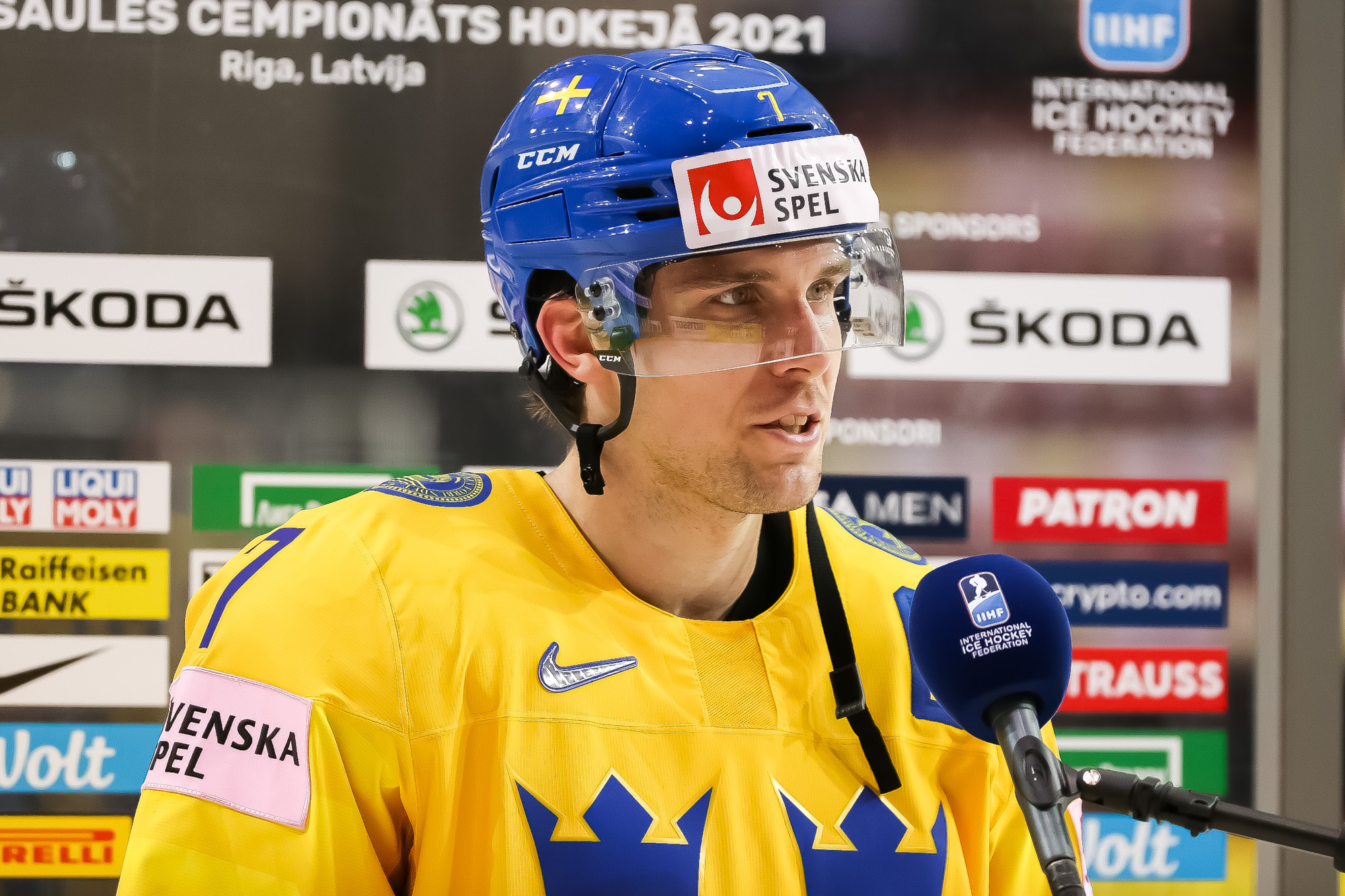