A night after opening the tournament with a 5-2 win over the Czech Republic, Switzerland shut out Denmark 1-0 to move into a three-way tie with Russia and Slovakia atop Group A with six points each.

The Danes also won their first game, managing four goals – three by Nicklas Jensen – on 22 shots in their opener against Sweden, but their offence was absolutely stifled in this game by a stingy Swiss side. When I say stifled, I mean to the tune of four shots on goal – an IIHF World Championship single-game record for fewest shots by one team.

“We played very well on defence,” Swiss head coach Patrick Fischer understated. “We only scored one goal but in the end it’s a win. We knew that the mindset is important, that we need to be ready and needed to stay calm. We knew it would be a tight game and we worked well in both directions for 60 minutes.”

As far as shutouts go, they don’t get much easier than Reto Berra’s in this game. The shots on goal in the hockey game were 30-4 in Switzerland’s favour, with Denmark’s Sebastian Dahm coming up big on a few occasions to keep his team within striking distance. But they just couldn’t strike.

“I had the feeling from the first shift that this would be very difficult and they came out with some energy that we didn’t see last night,” said Danish coach Heinz Ehlers, comparing how Switzerland played today compared with Sweden yesterday. “They were really, really good. They were really fast and made it difficult for us. I’m not going to say we played bad but sometimes you’ve just got to tip your hat to the other team. We gave ourselves a chance by only giving up one goal.”

After scoring twice against the Czechs, Timo Meier scored this game’s only goal – his third of the tournament.

World Men
Denmark vs Switzerland - 2021 IIHF Ice Hockey World Championship
A night after opening the tournament with a 5-2 win over the Czech Republic, Switzerland shut out Denmark 1-0 to move into a three-way tie with Russia and Slovakia atop Group A.
DEN SUI 23 MAY 2021

Switzerland started strong, and after killing an early penalty, went to the attack. Just shy of the six-minute mark, Mikkel Boedker found Meier at the far blueline with a stretch pass, and he skated in alone but was denied by the glove of Dahm.

They kept coming as Joel Vermin pounced on a turnover in the Danish zone and fed Andres Ambuhl in front, who was also denied by Dahm.

They finally scored at 13:12 after some nifty moves by Nico Hischier in the neutral zone and a cross-ice feed to Meier, who beat Dahm with a wrist shot to the top corner on the blocker side.

“We had many shots, put on a lot of pressure and didn’t allow them many chances,” said Hischier. “It was not an easy game but we stayed focused and played solid.”

The Danes briefly thought they’d tied the score with exactly five minutes to play in the opening frame when Oliver Larsen’s shot deflected up and over a fallen Berra, but before the puck went in the whistle had gone for a crease infringement call against Denmark.

“Ultimately, the difference was one goal,” said Dahm. “Whether it’s a power-play goal or however. But we just didn’t get through that pressure and ended up just chipping it out or icing it more than creating those rush chances that we wanted.”

The Swiss continued to control the puck and play in the second period, although generated little in the way of scoring chances. They turned the heat back up in the third period, however, laying siege on Dahm with a couple goalmouth flurries that required a video review at one point to determine if the puck crossed the goal line on a Gregory Hofmann wraparound attempt.

With just over five minutes to play, Philipp Kurashev had a chance to double Switzerland’s lead on another breakaway but Dahm came up big again, denying his deke attempt with a pad save.

“I thought I played a better game today,” Dahm said about his own play. “So despite losing, which you’re never happy with as a hockey player, the technical details I was happy with.”

He elaborated: “After the Sweden game, I was discussing a couple issues with the goalie coach, technical things I wanted to correct to be a little more in control – being more on top of the crease when the shot was coming, being more set in that way – I thought that worked way better for me in this game.”

With four minutes to play, the Danes still had only four shots to their credit and finally started pushing for more, but kept running into a Swiss wall in the neutral zone like they had all night long. They dumped it in the corner but couldn’t find anything through to the net.

“We told the guys to keep going because there was going to be chances,” said Ehlers.” I’m happy with the work ethic from our guys tonight. After the game, I said to the guys that’s probably the best team they’ve played in a long, long time. It’s not like we’re happy to lose but yeah, they also said it was very tough.”

Ehlers pulled Dahm with 1:20 to go and called a timeout with 57 seconds left, but still couldn’t get anything through to Dahm. The final seconds ticked away with the puck pinned against the boards, with the frustrated Danes unable to move it.

“The game was tense for all 60 minutes,” said Swiss left winger Tristan Scherwey. “We had the game under control but they were strong defensively. Overall it was a solid game for us. We played fast and physical and with that can make it hard for our opponents.”

“Denmark has good players, they beat Sweden,” said Fischer. “To allow only four shots shows the commitment of our team and that we didn’t give them room to breathe.”

Both teams are back in action on Tuesday, where the Swiss will put their perfect record on the line against the 0-2 Swedes, while Denmark will hope to get their offence going against Great Britain.

“It’s probably going to be a game where we will have the puck more and be able to be creative, but there are no easy games at this World Championship,” said Ehlers. “When you look at the results so far in the tournament, there have been some big surprises and we respect Great Britain too.”

On how the Swiss will approach their next opponent, Hischier simply said: “Same performance as today on defence, play better offensively. It’s time to beat Sweden.” 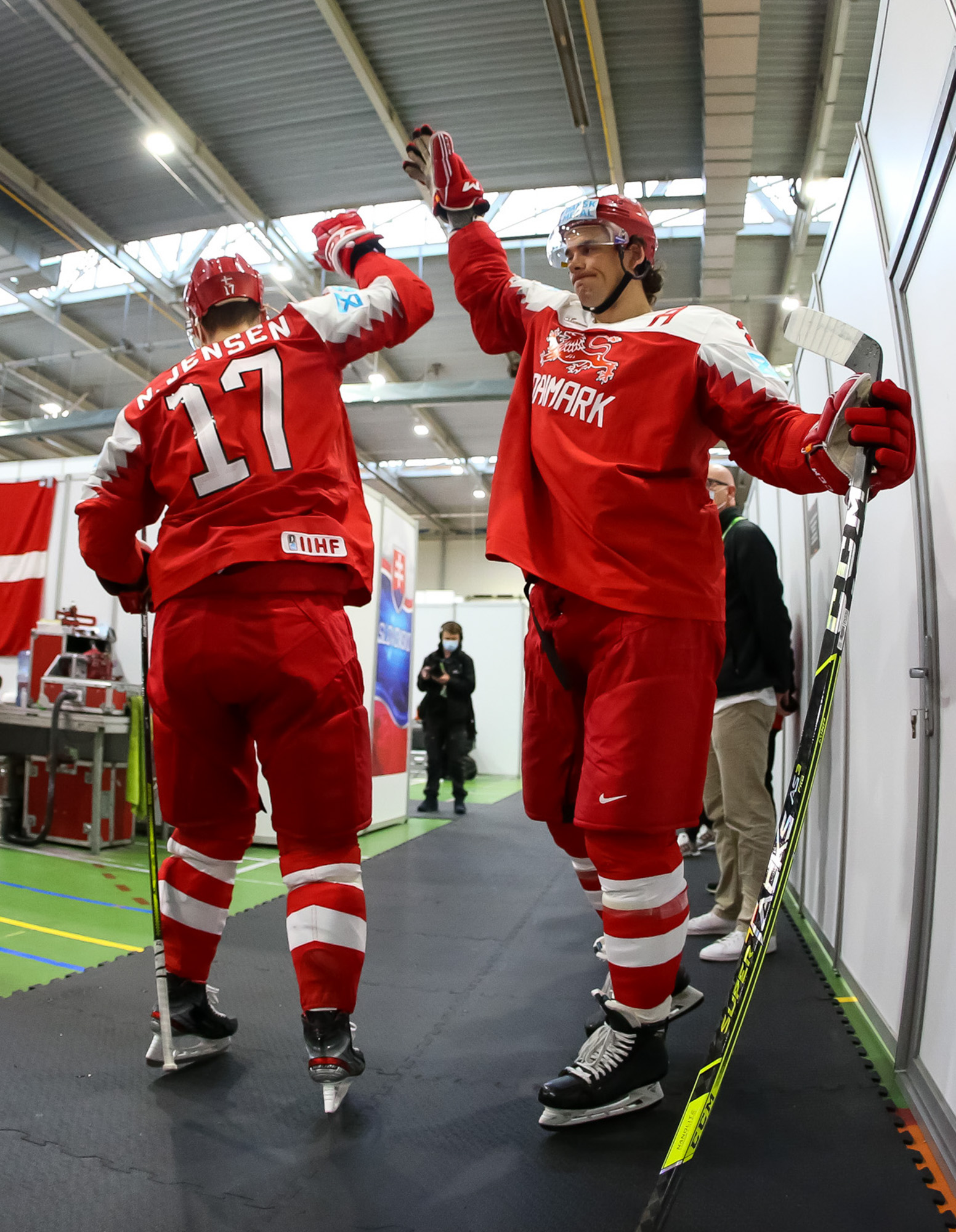 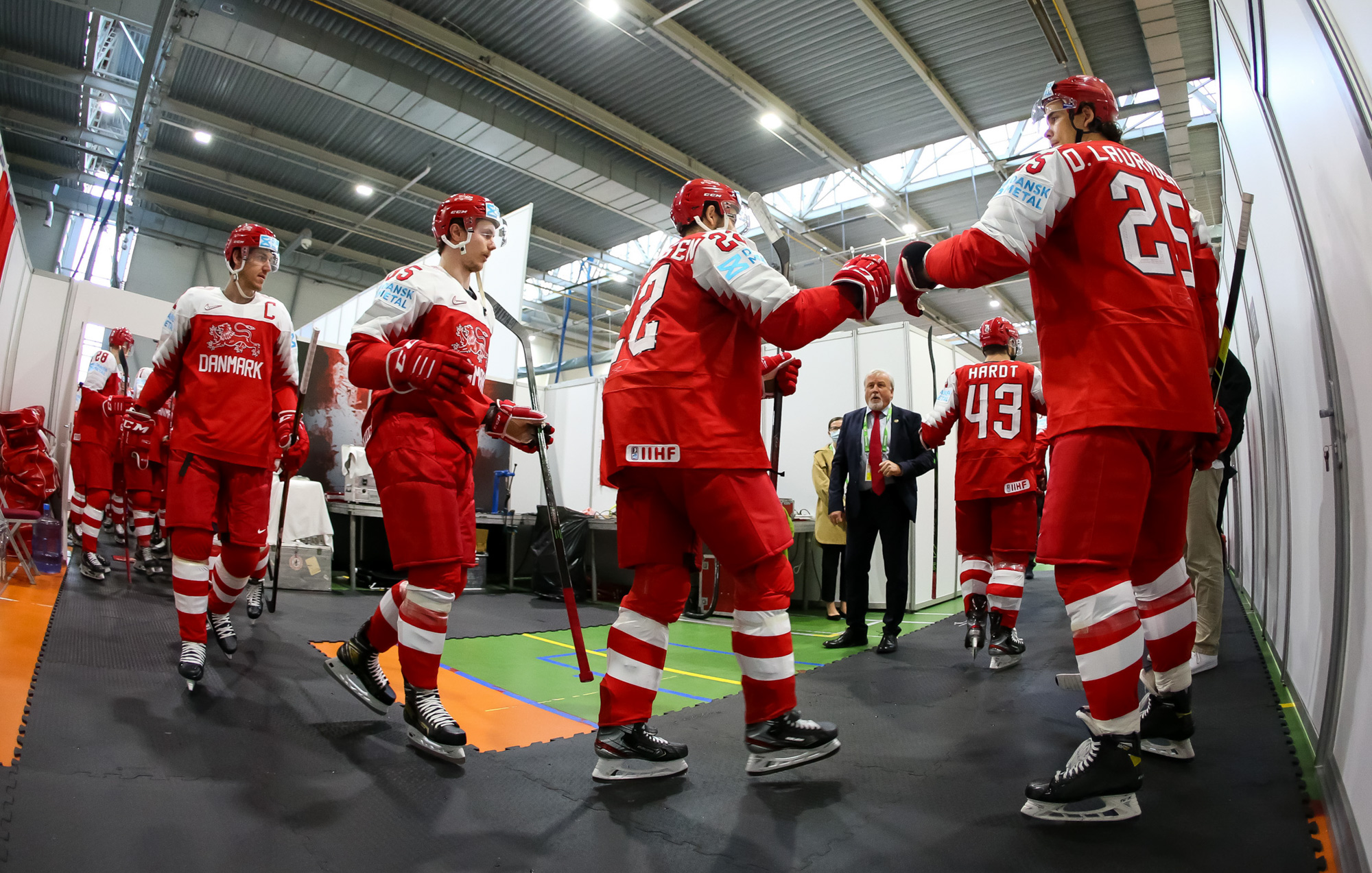 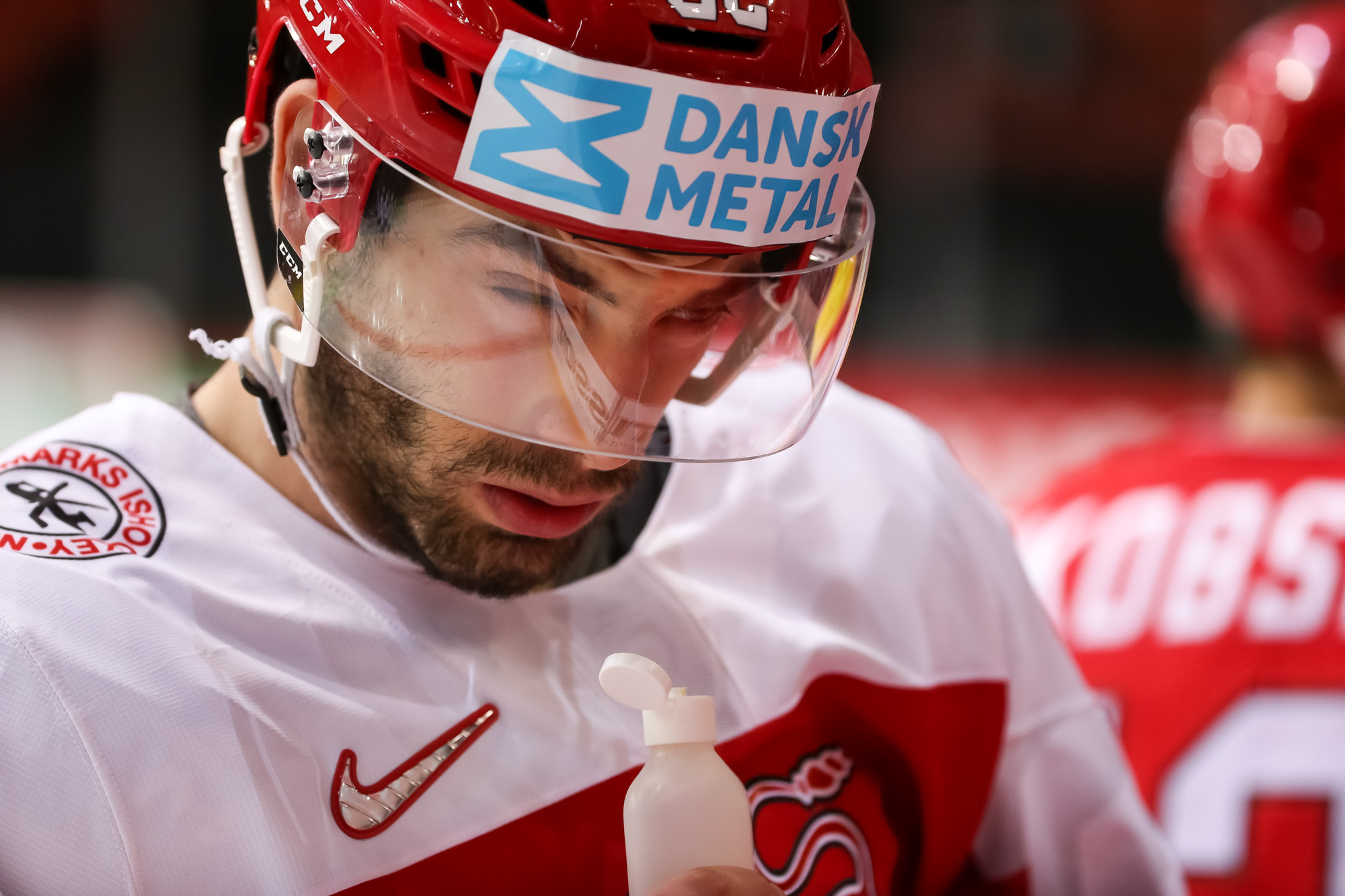 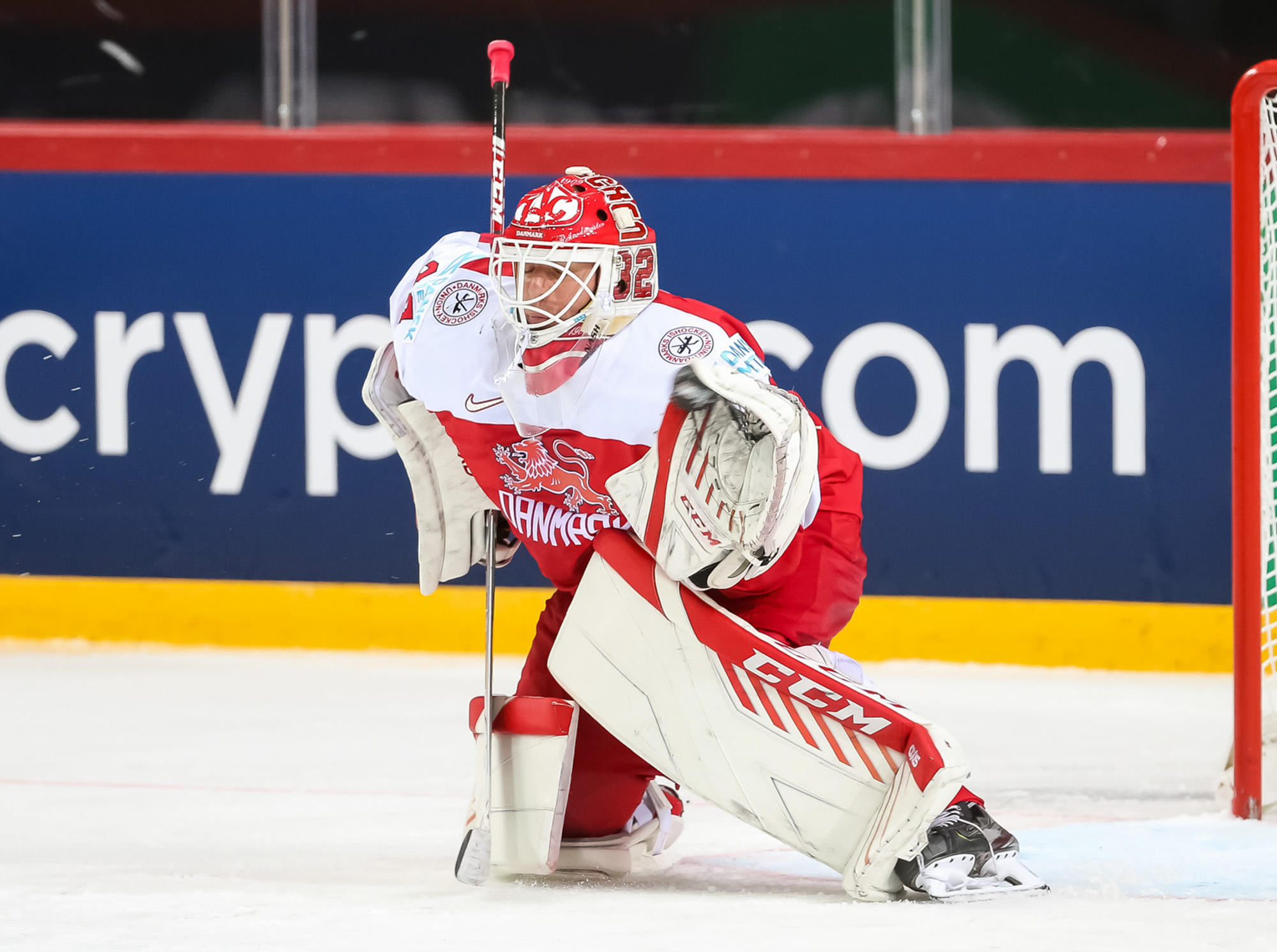 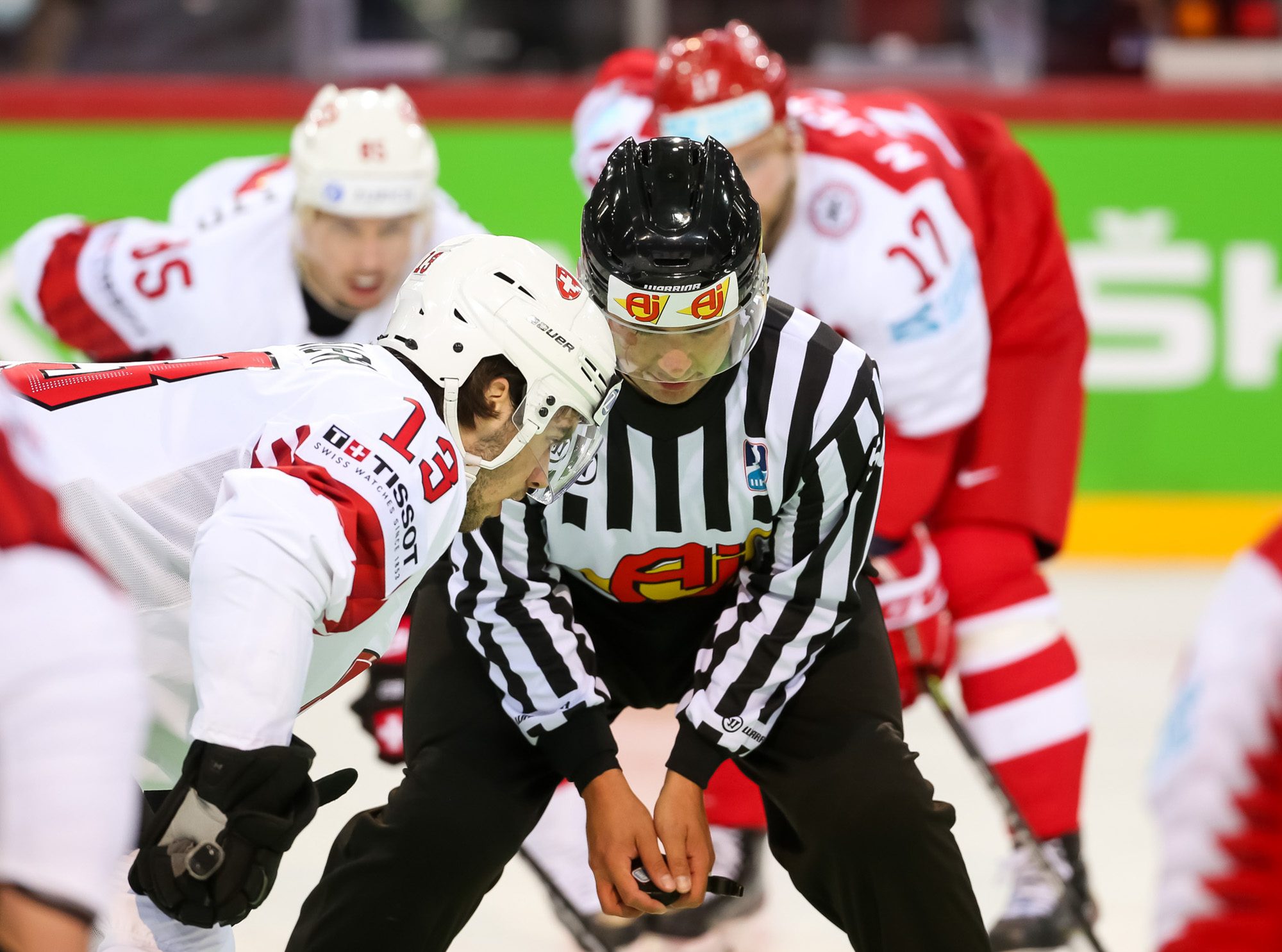 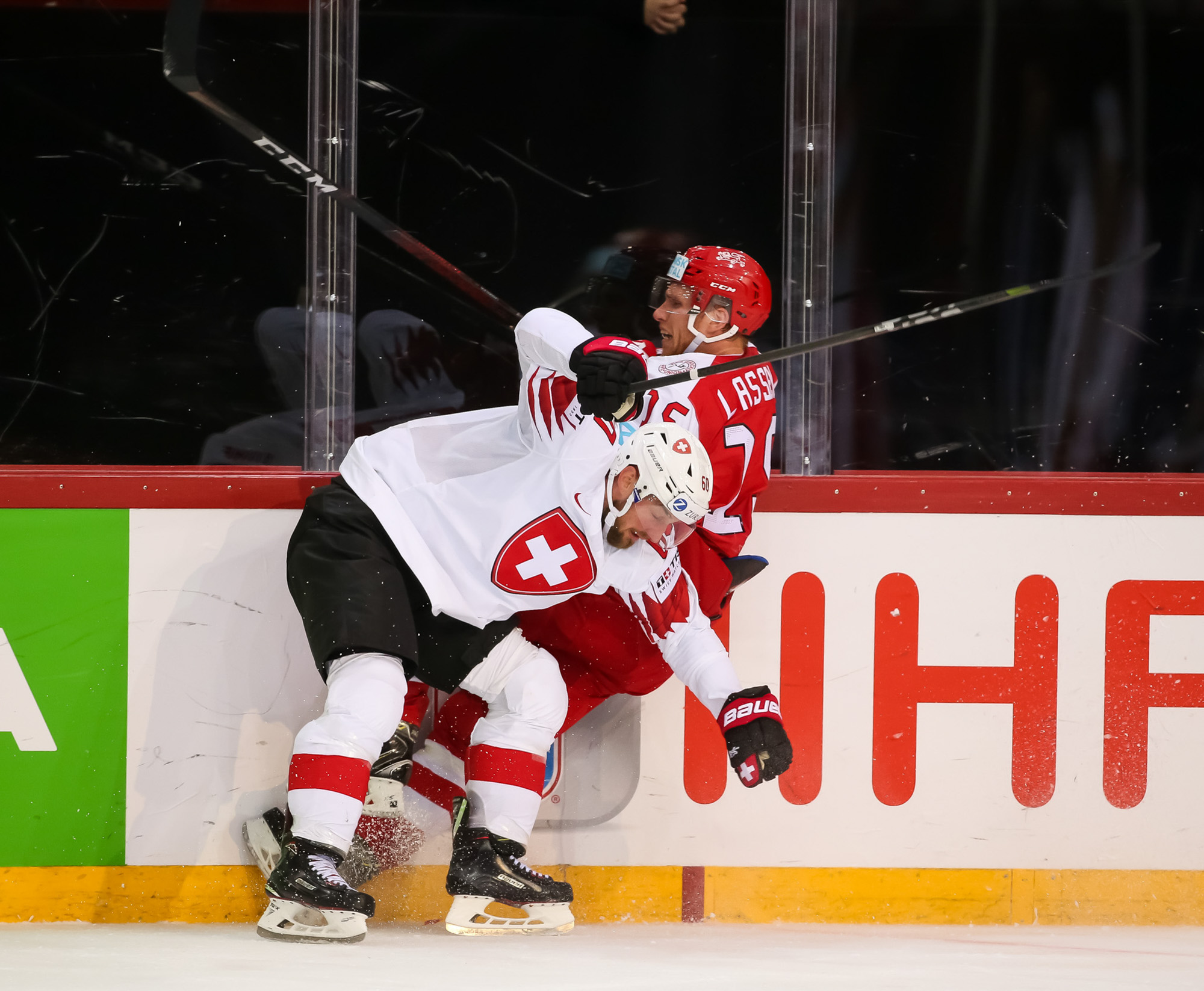 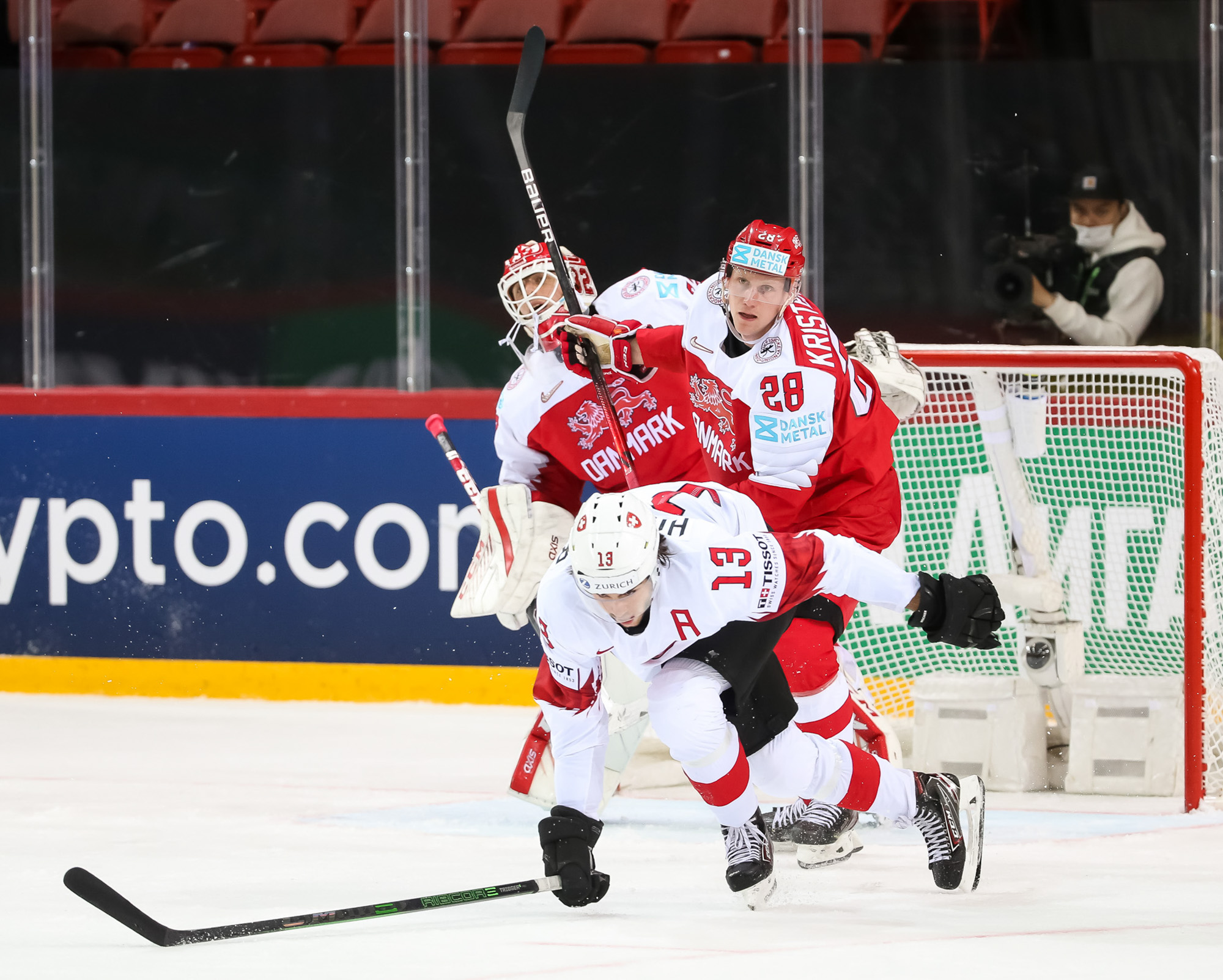 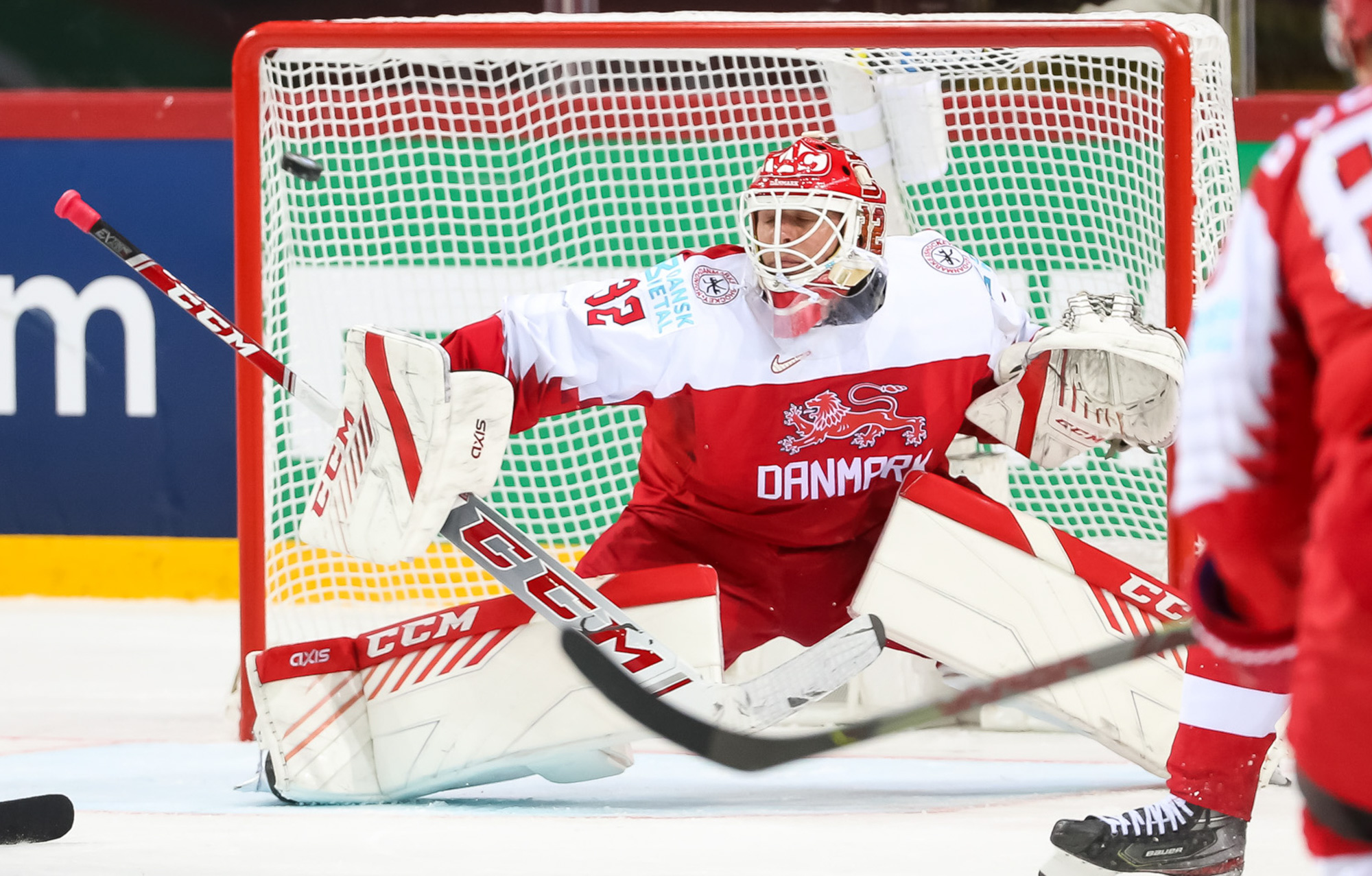 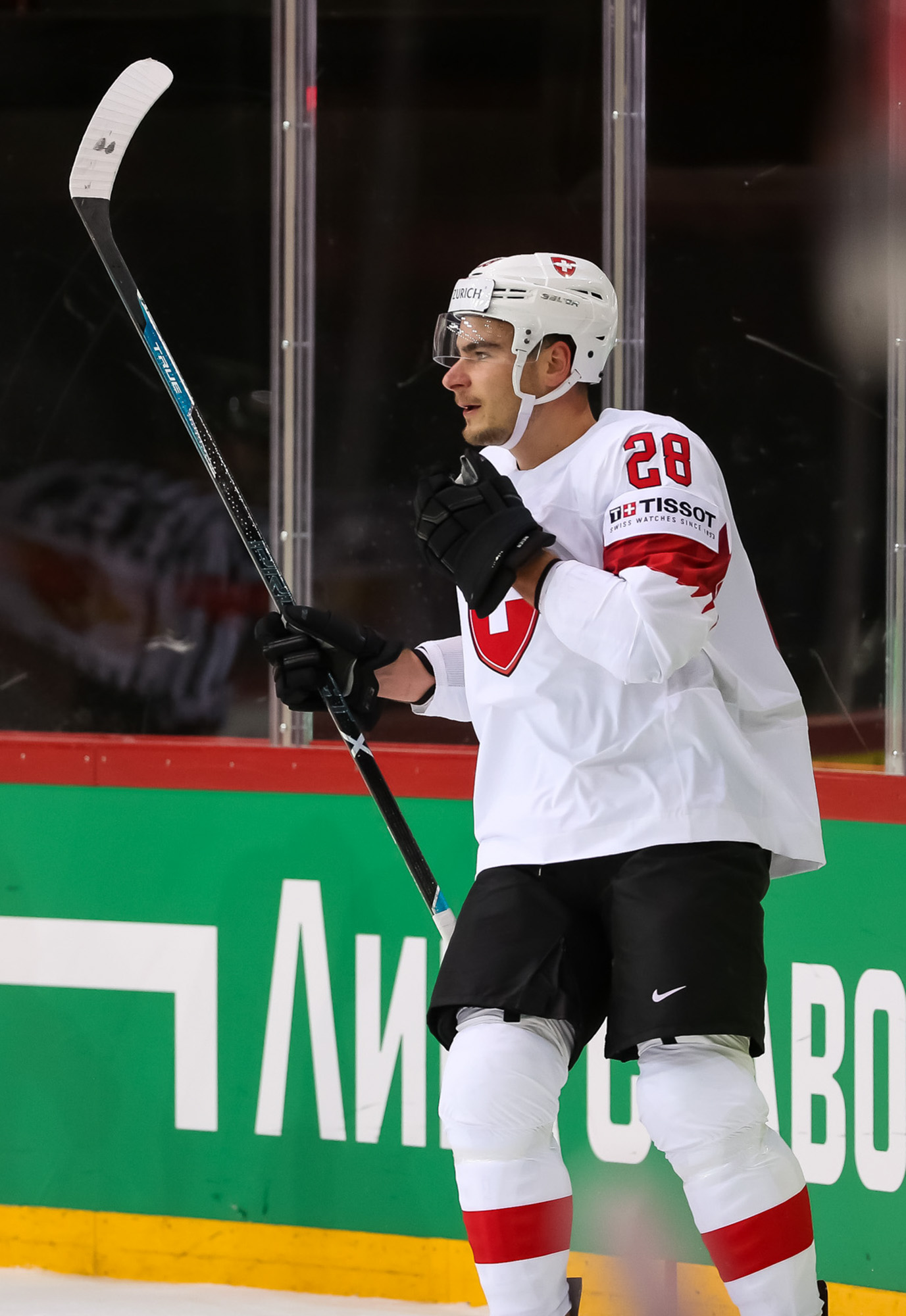 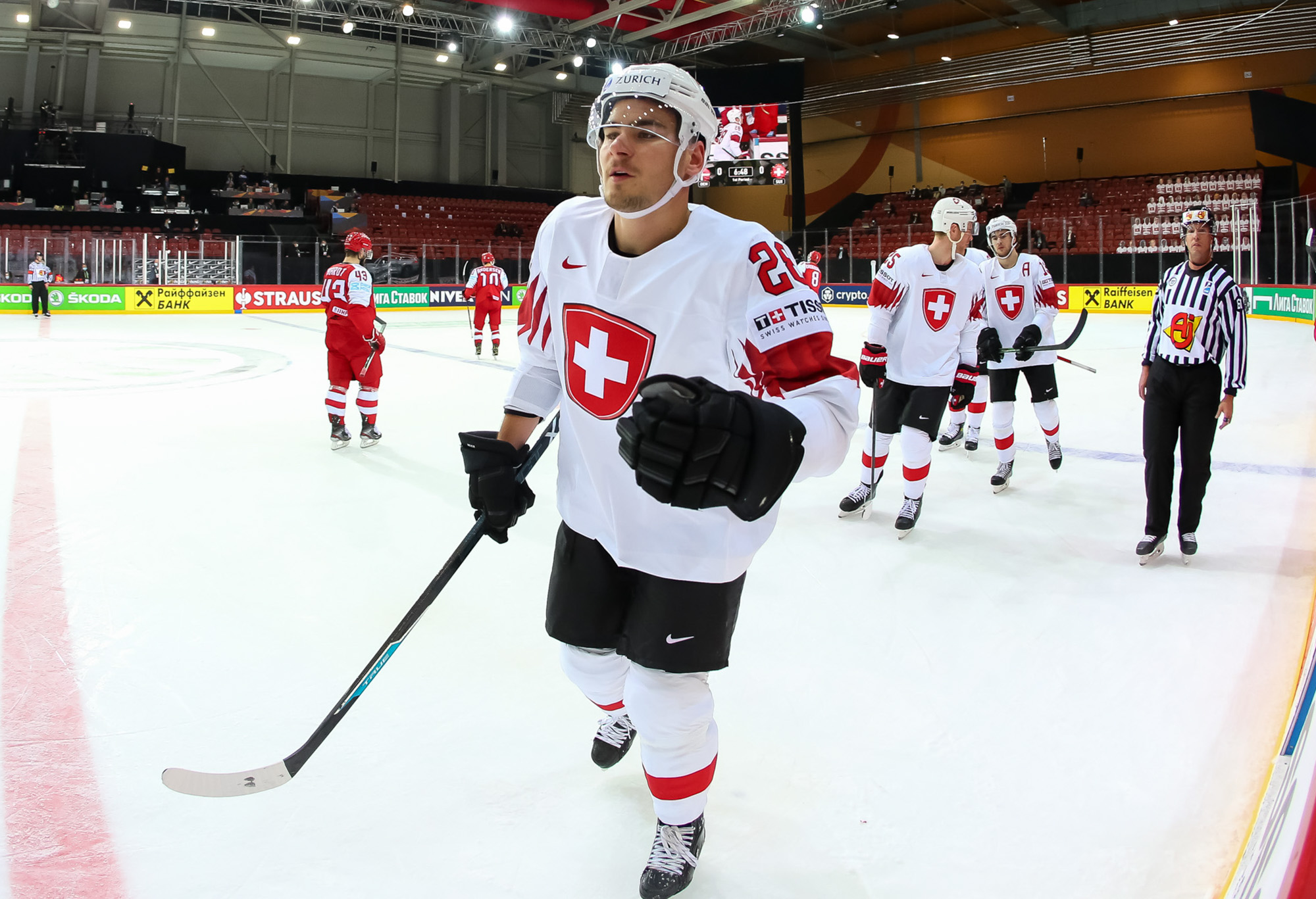 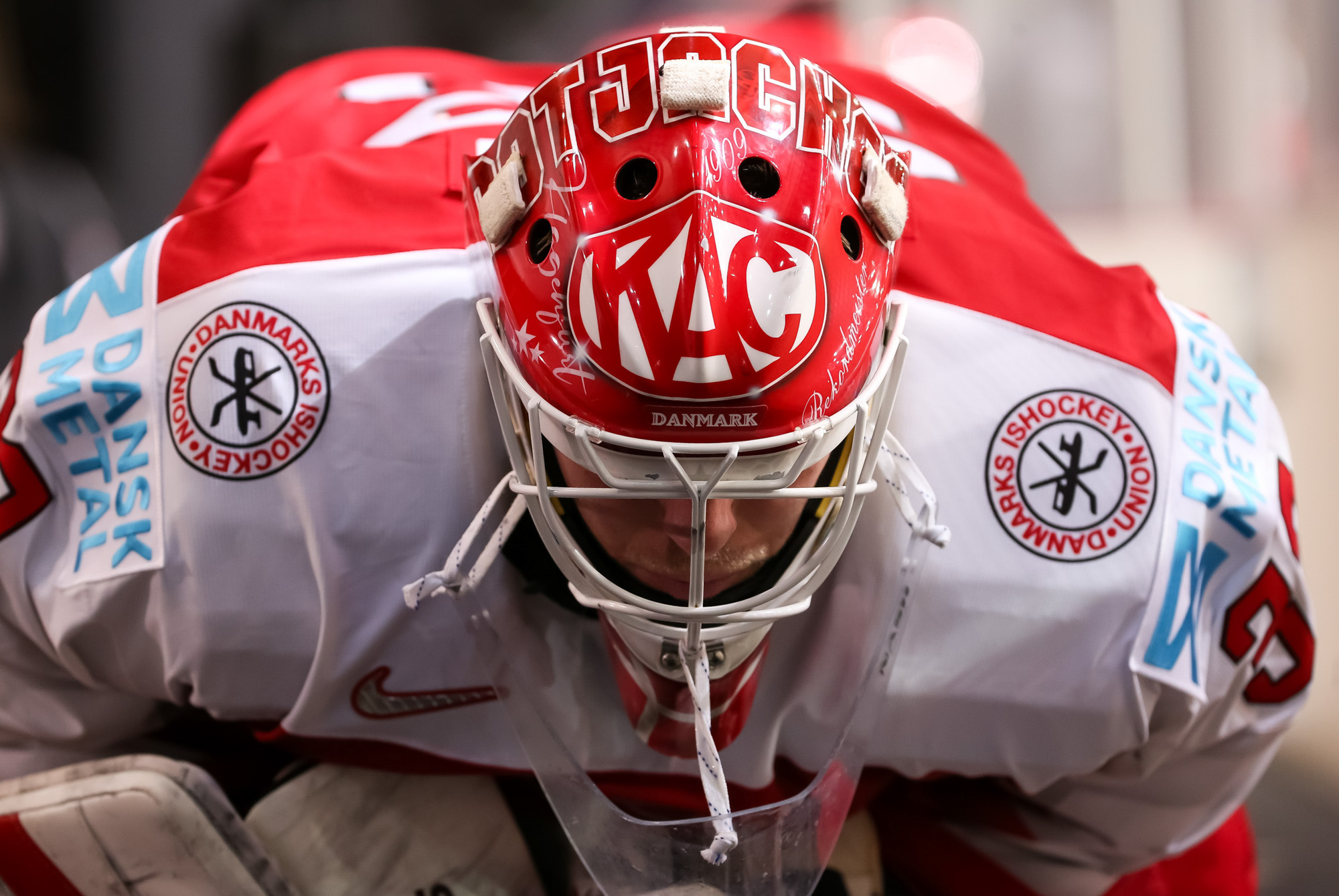 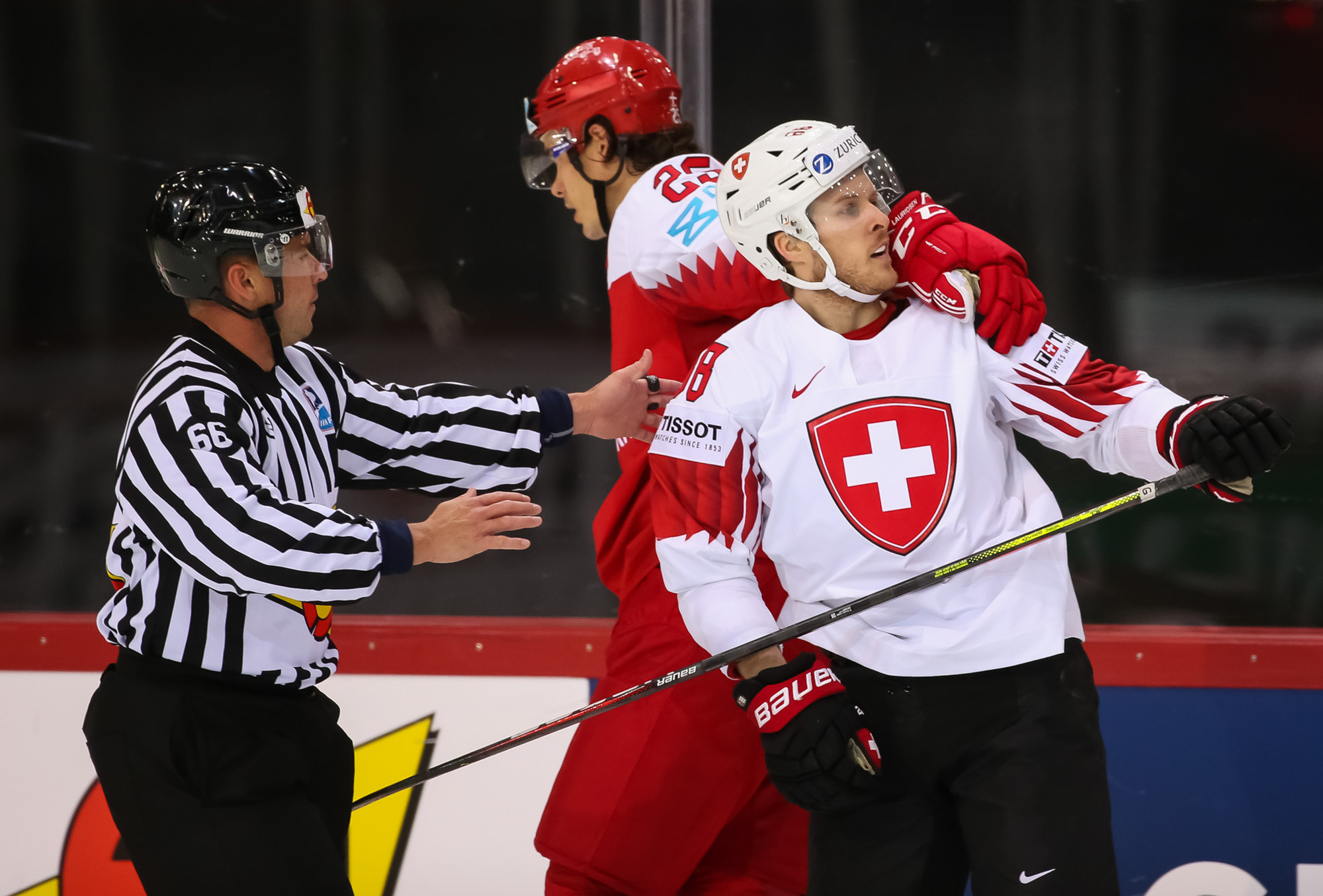 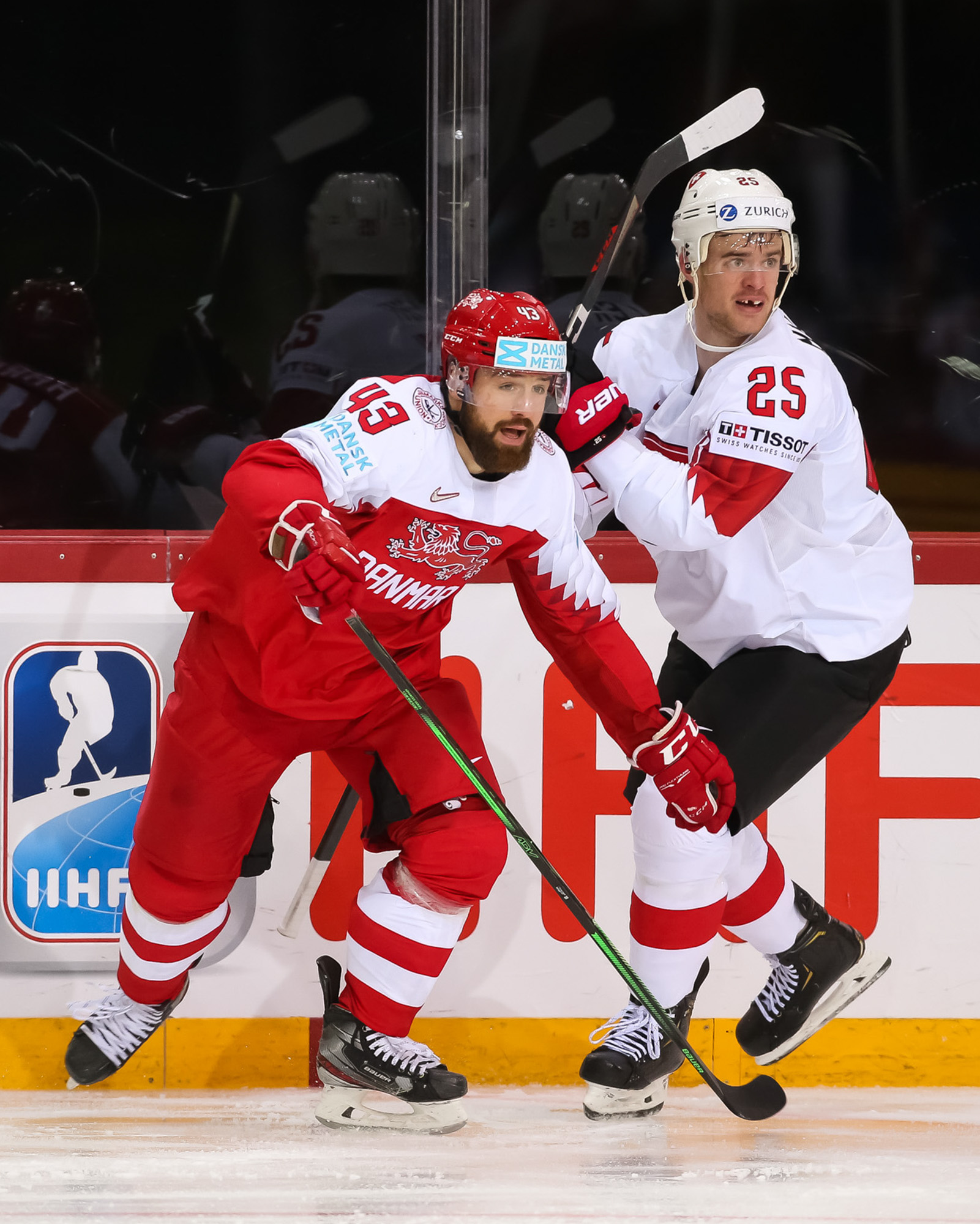 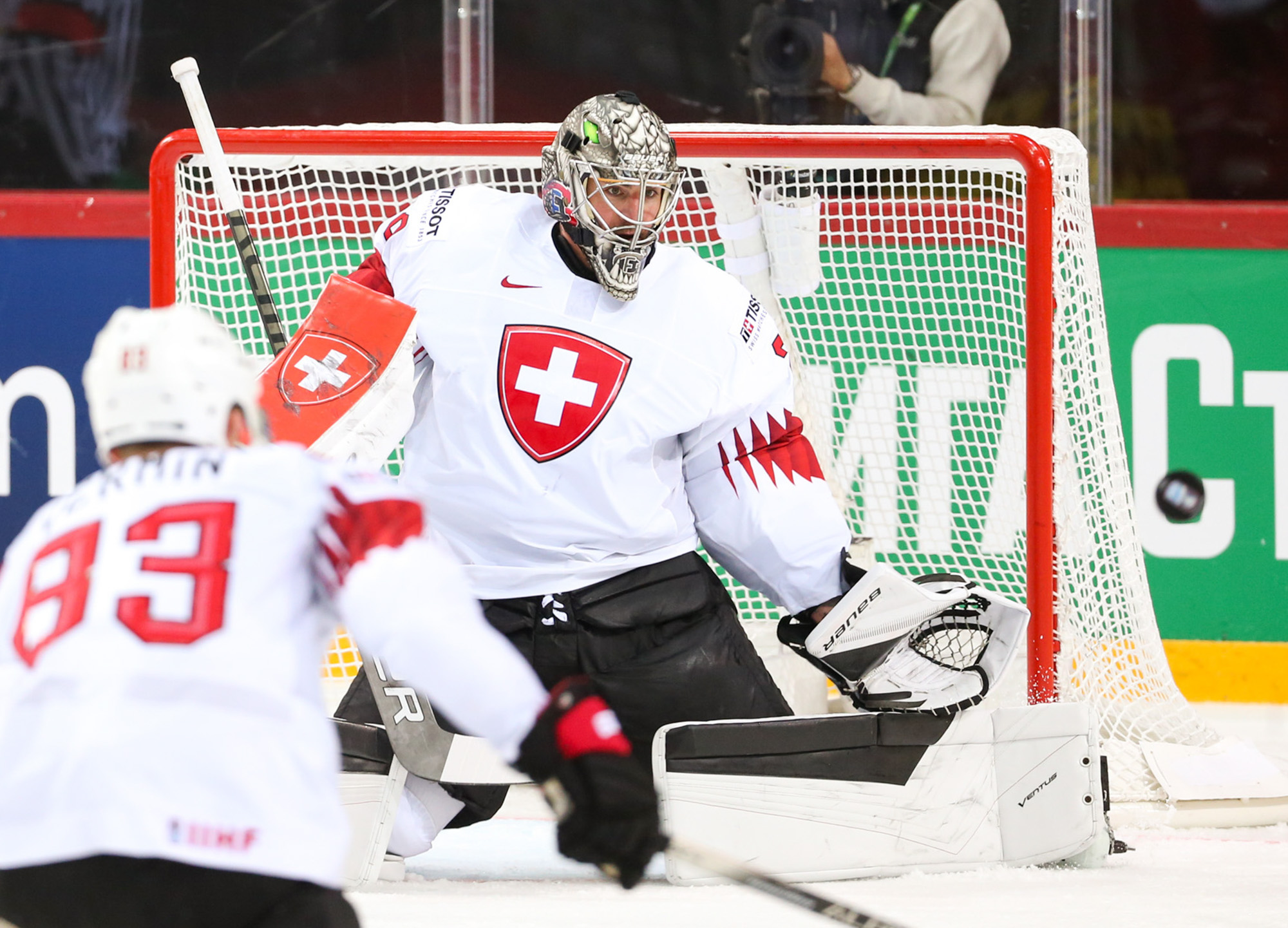 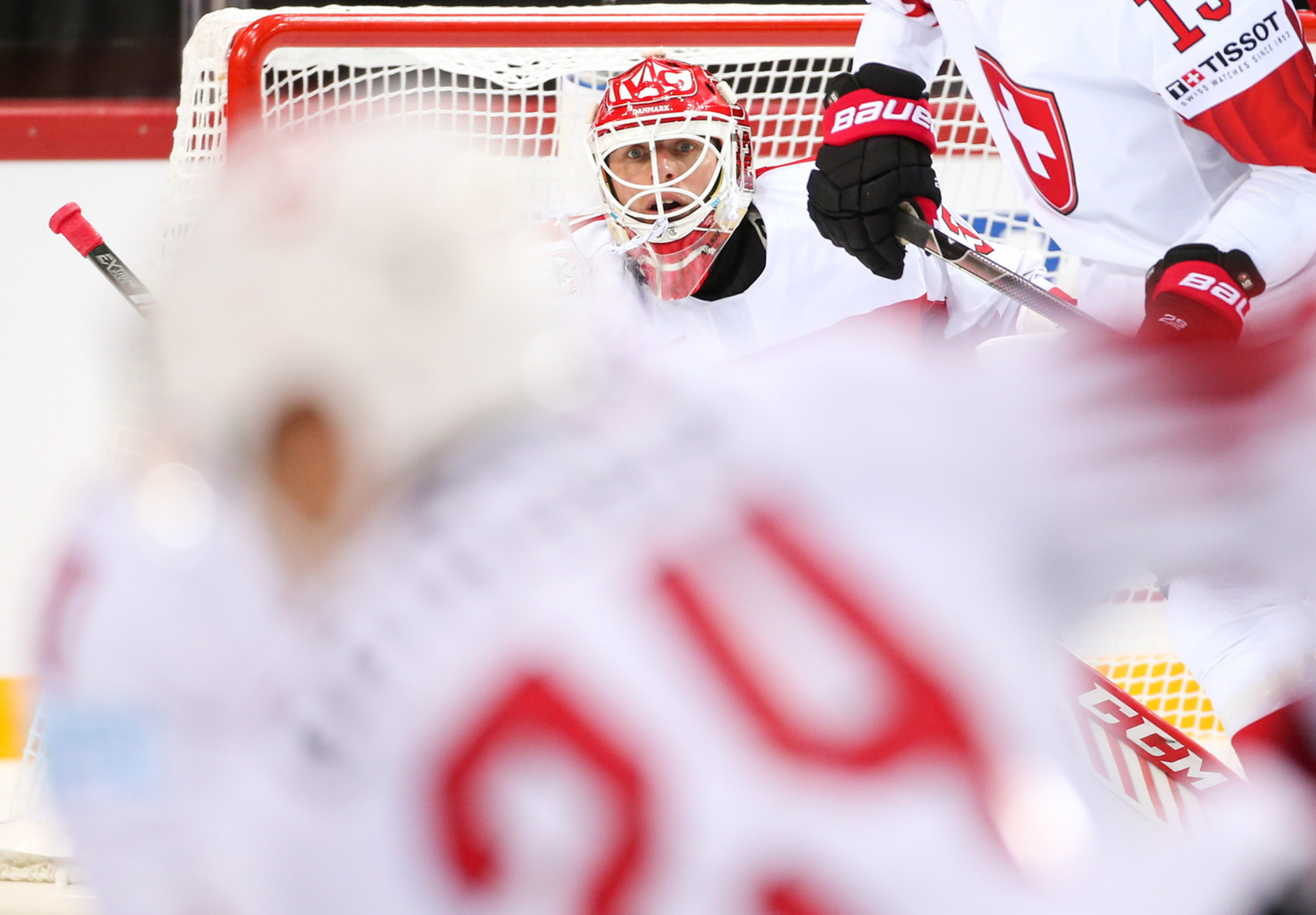 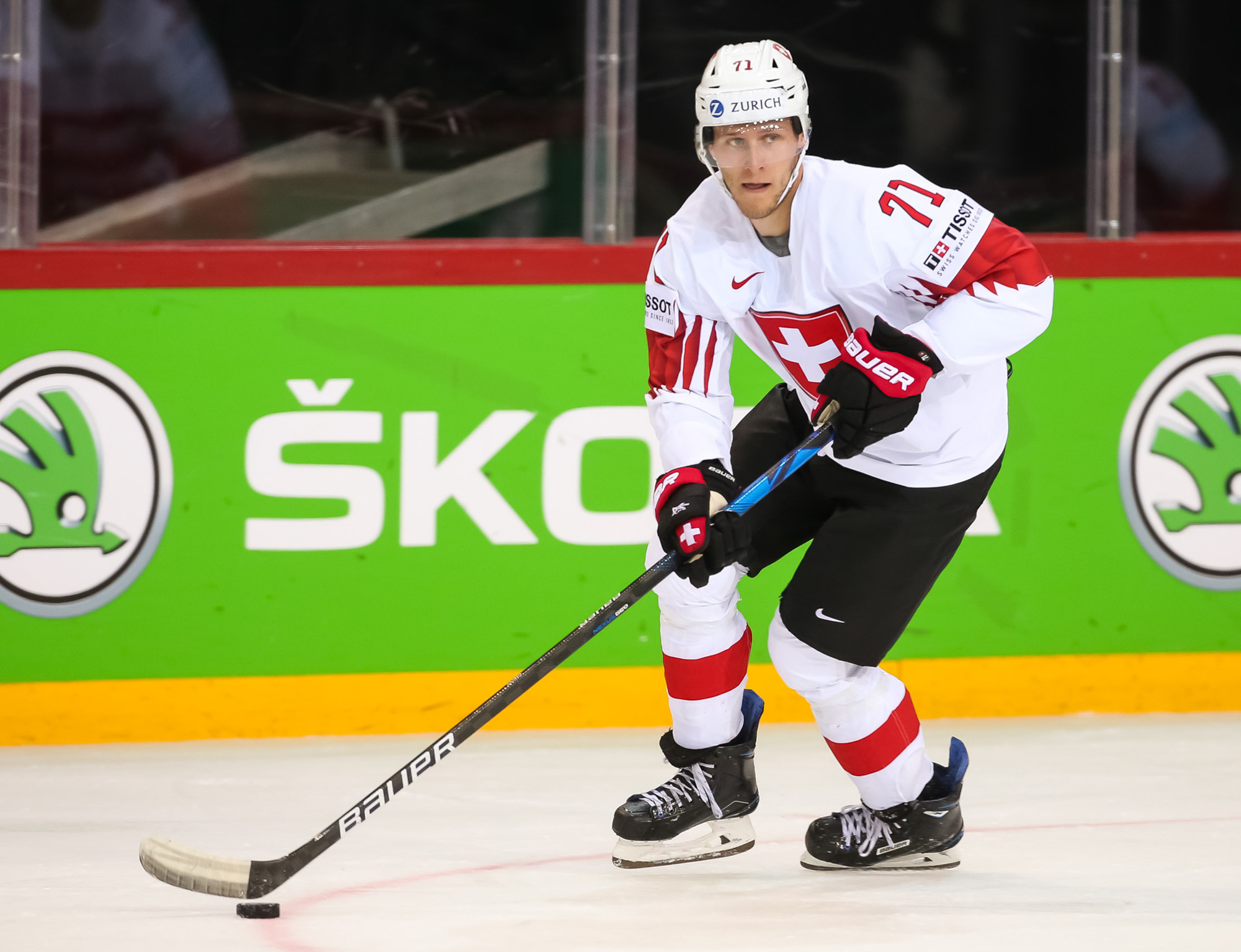 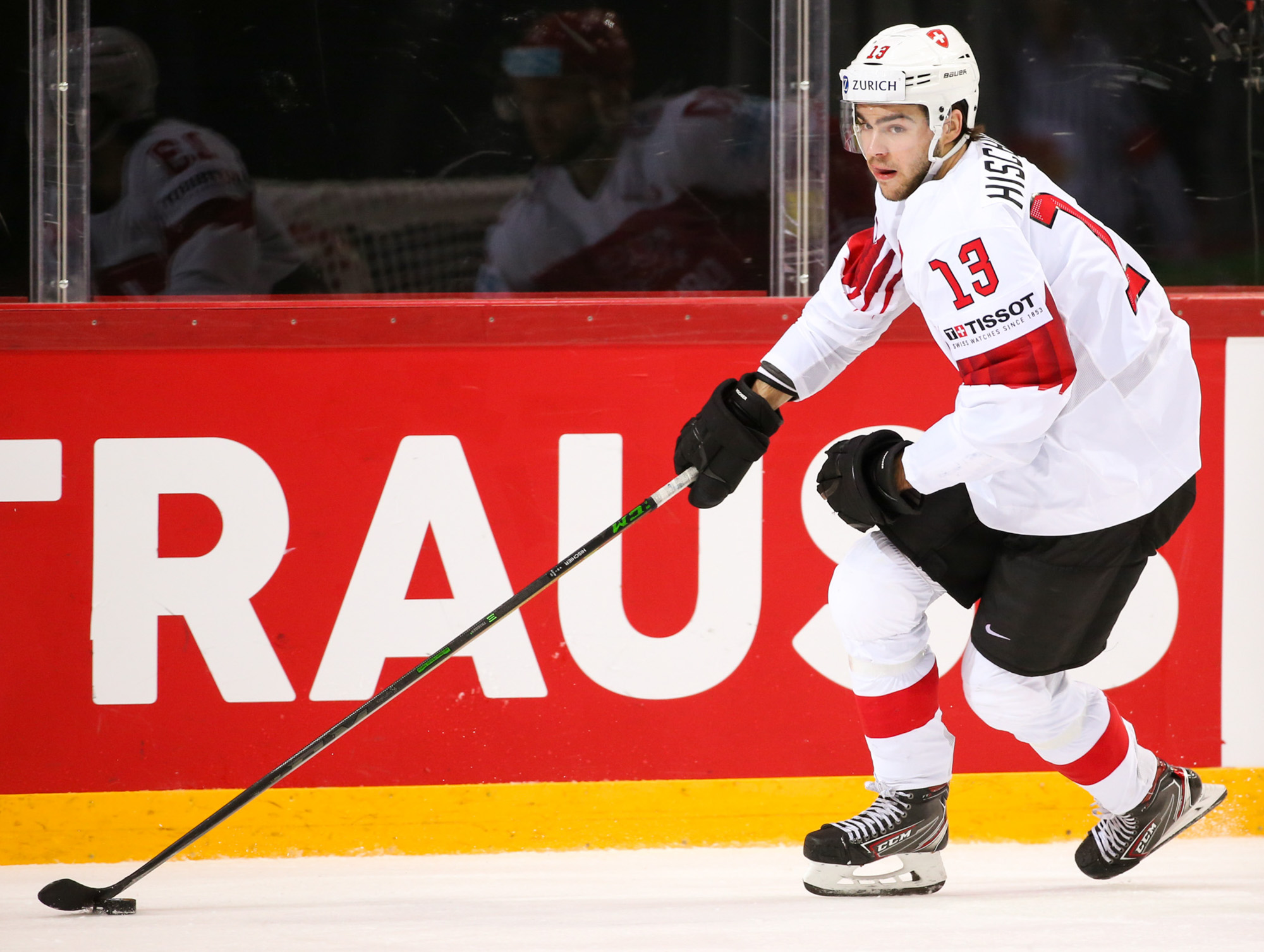 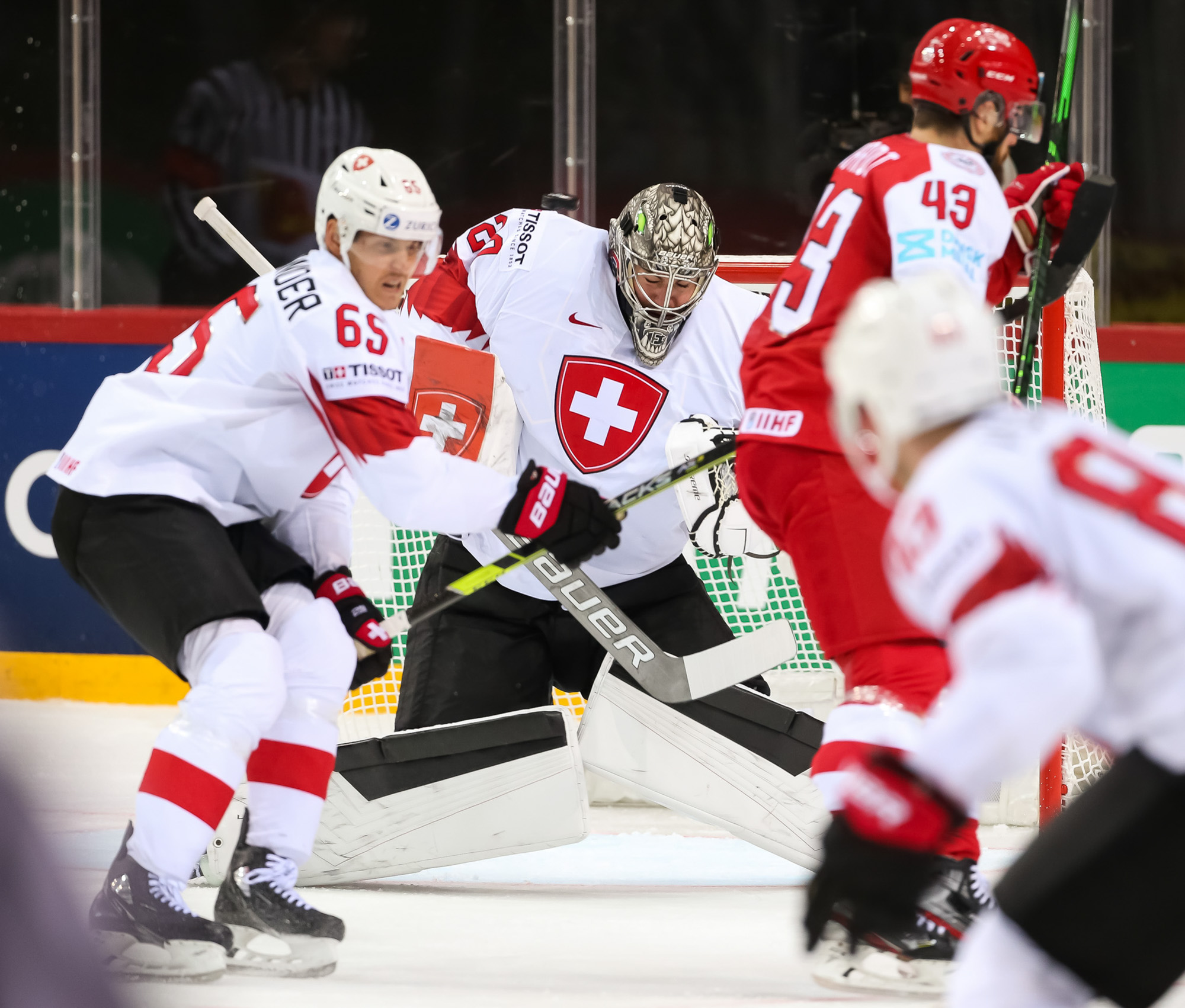 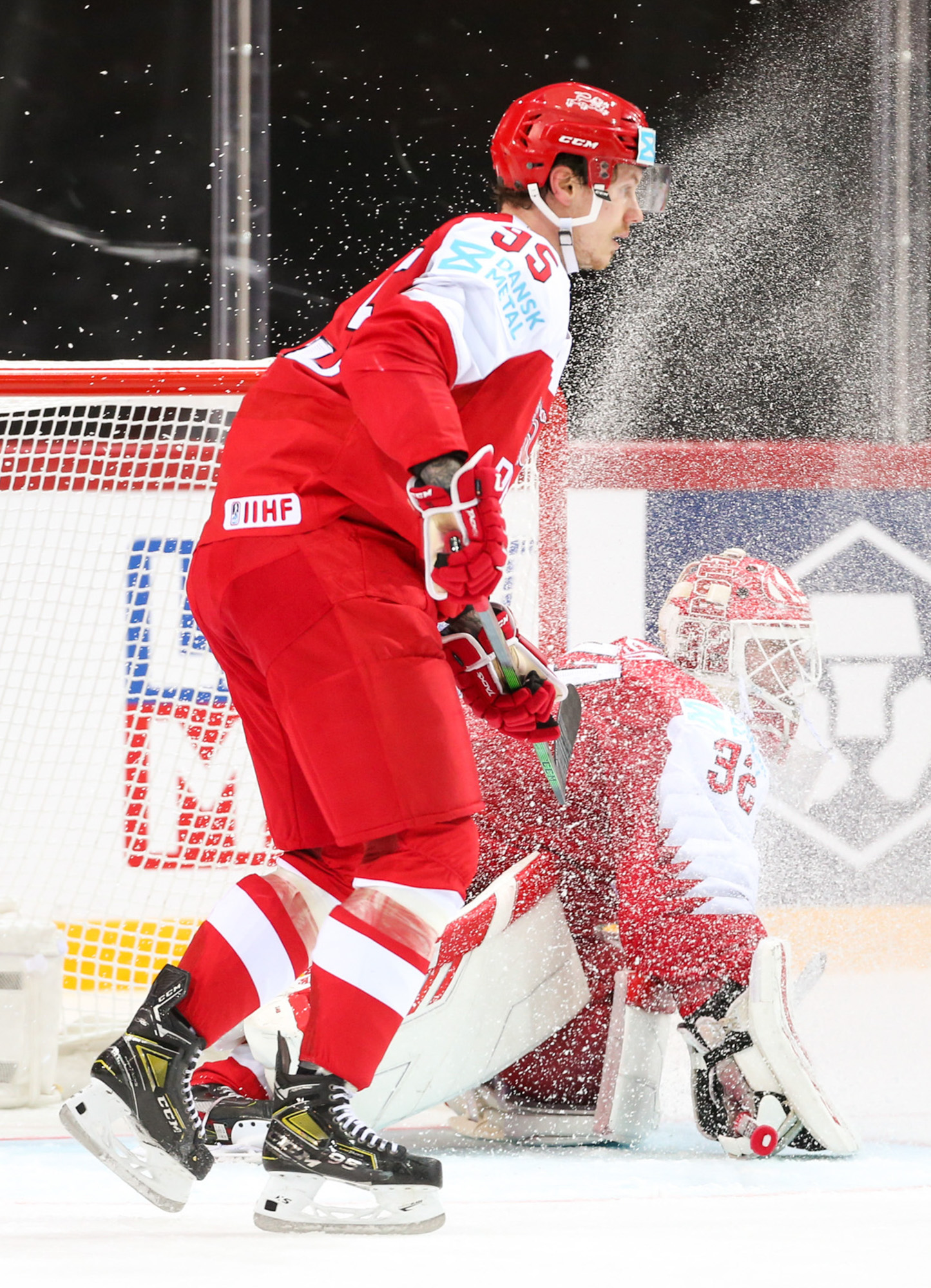 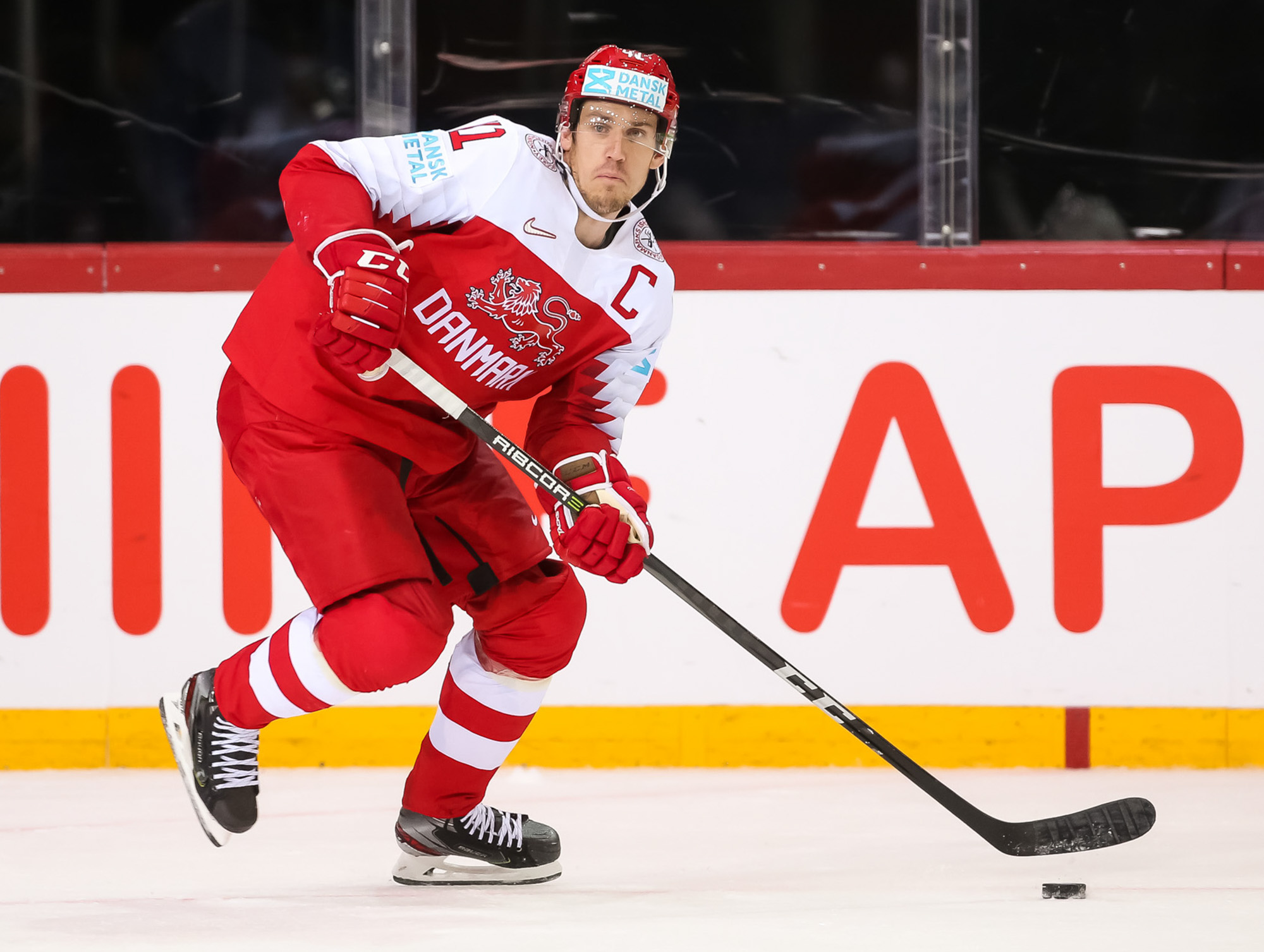 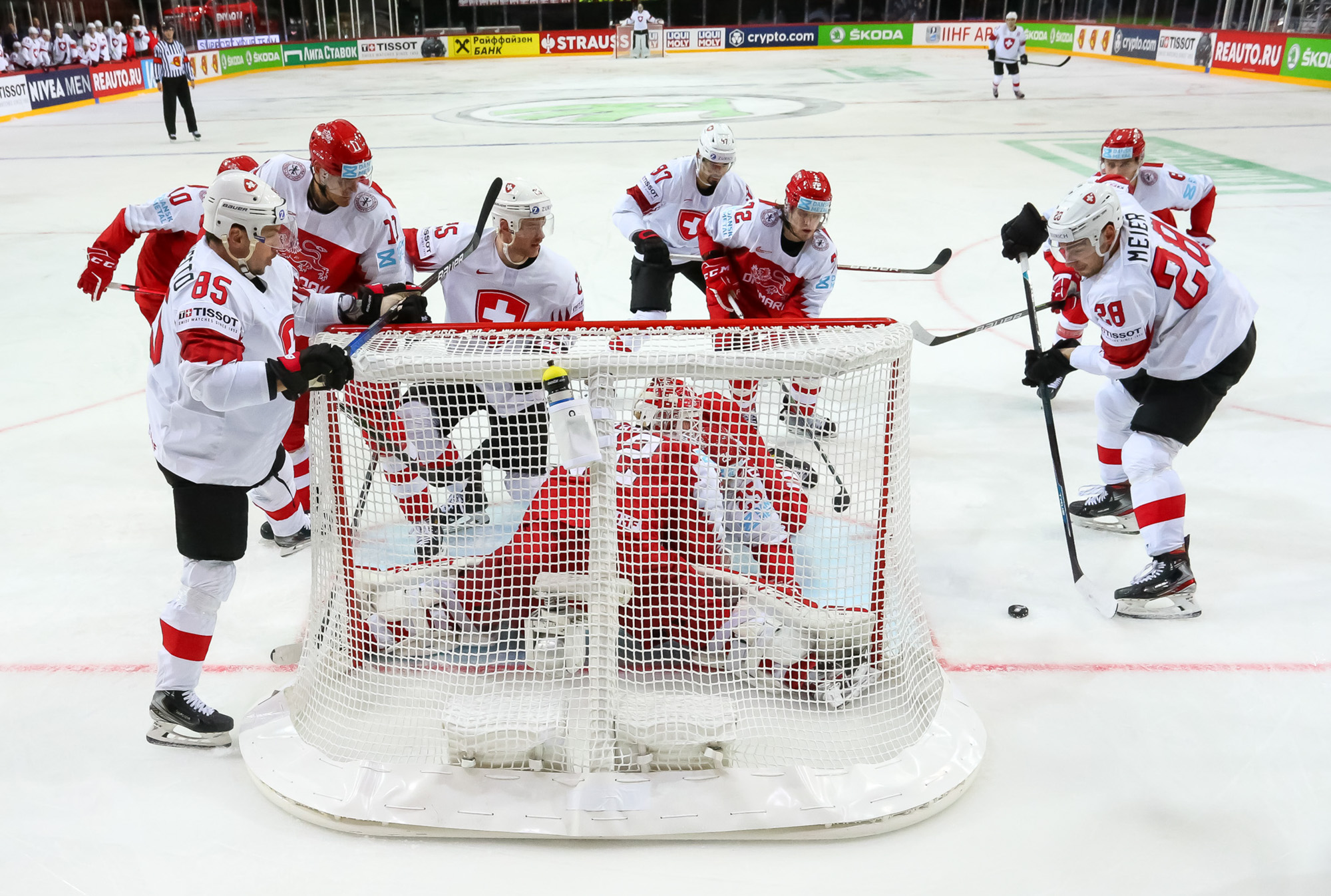 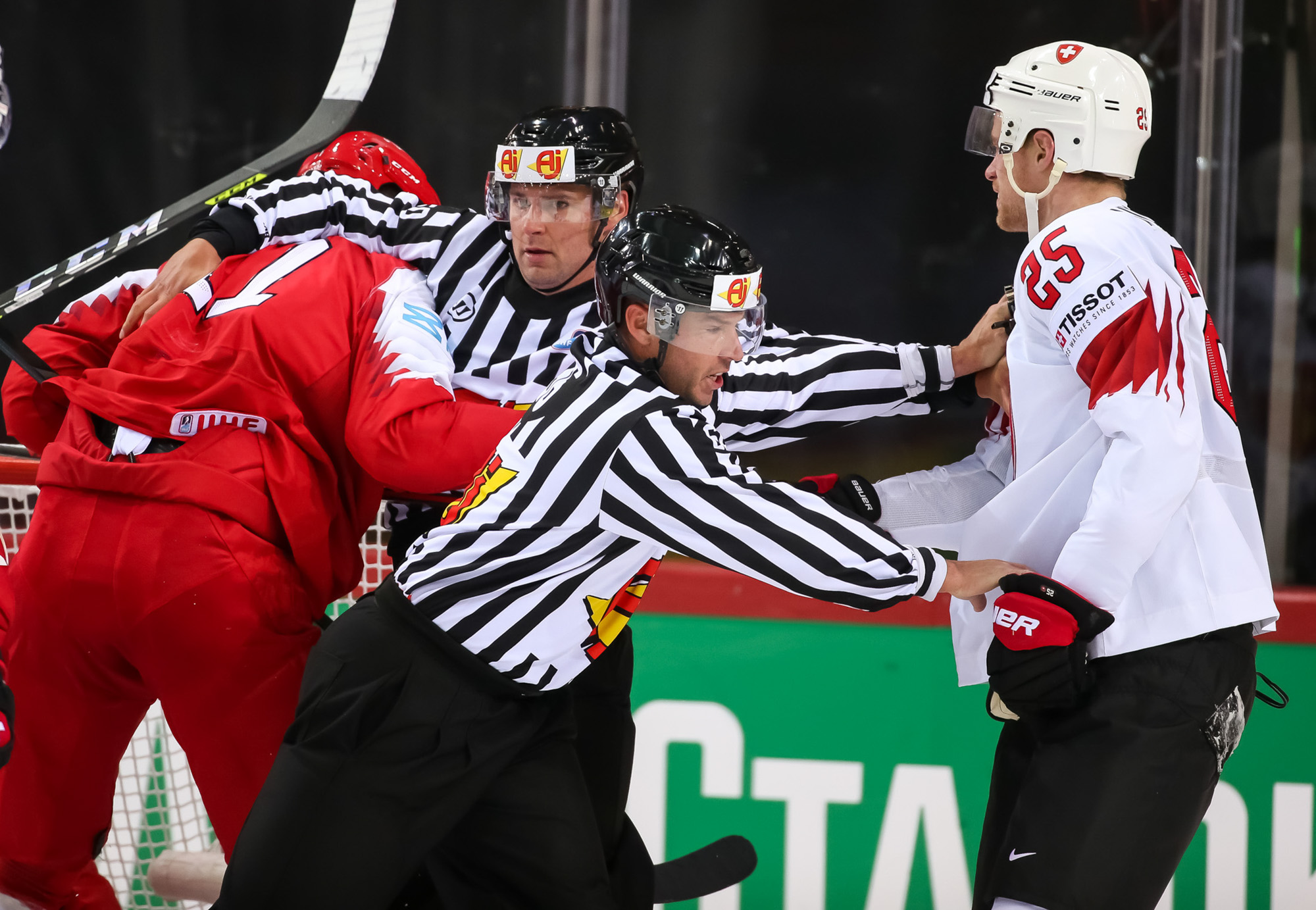 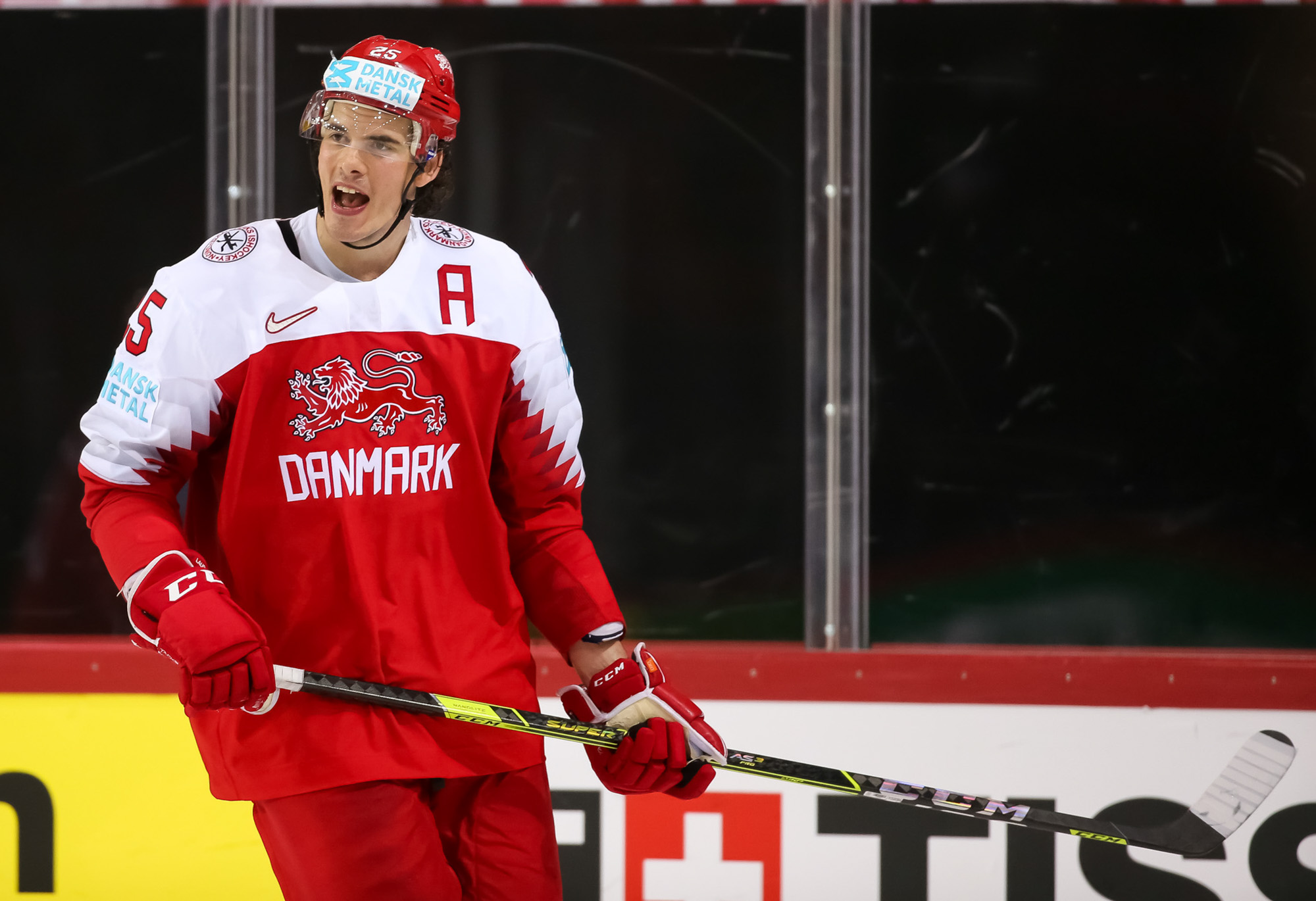 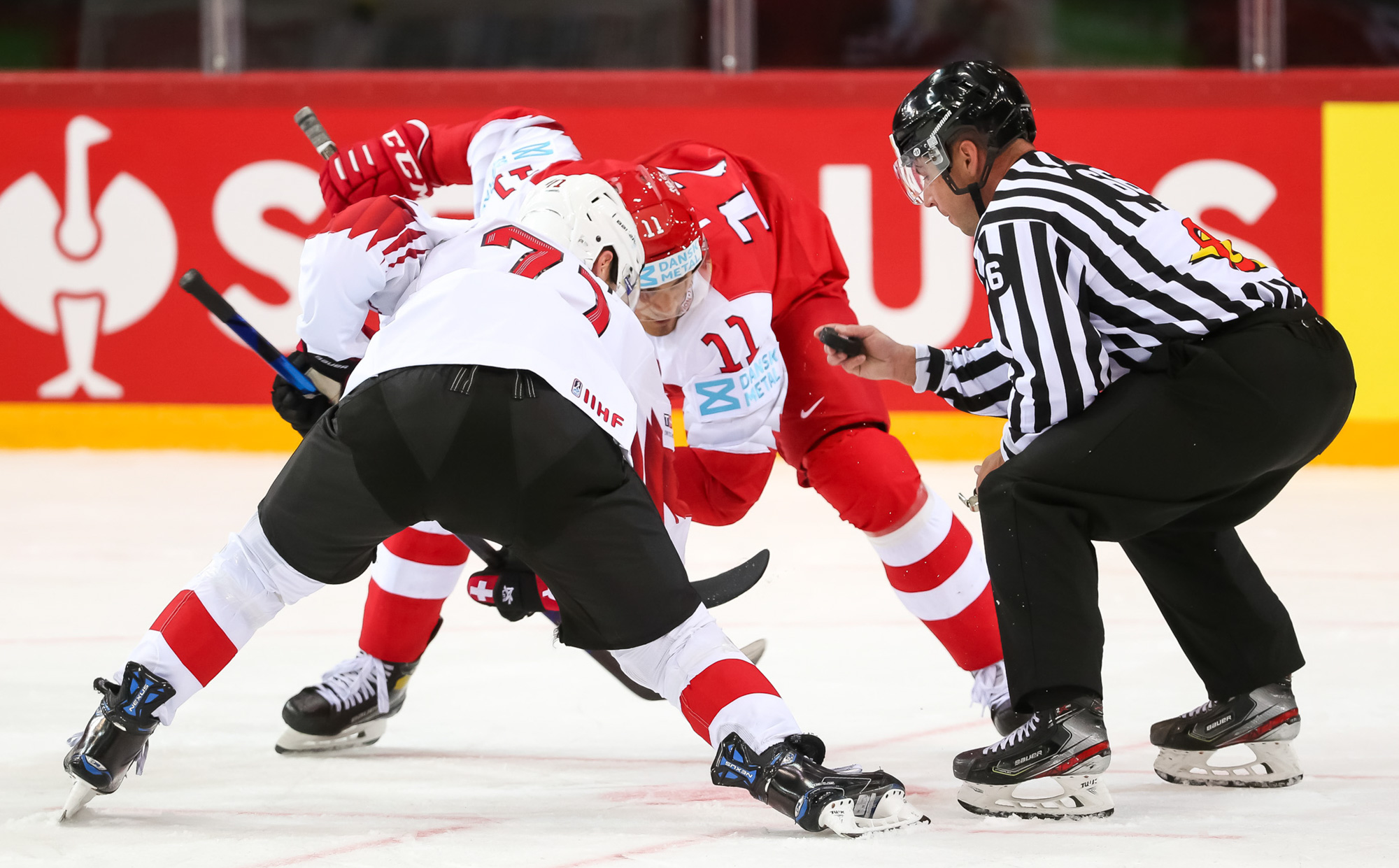 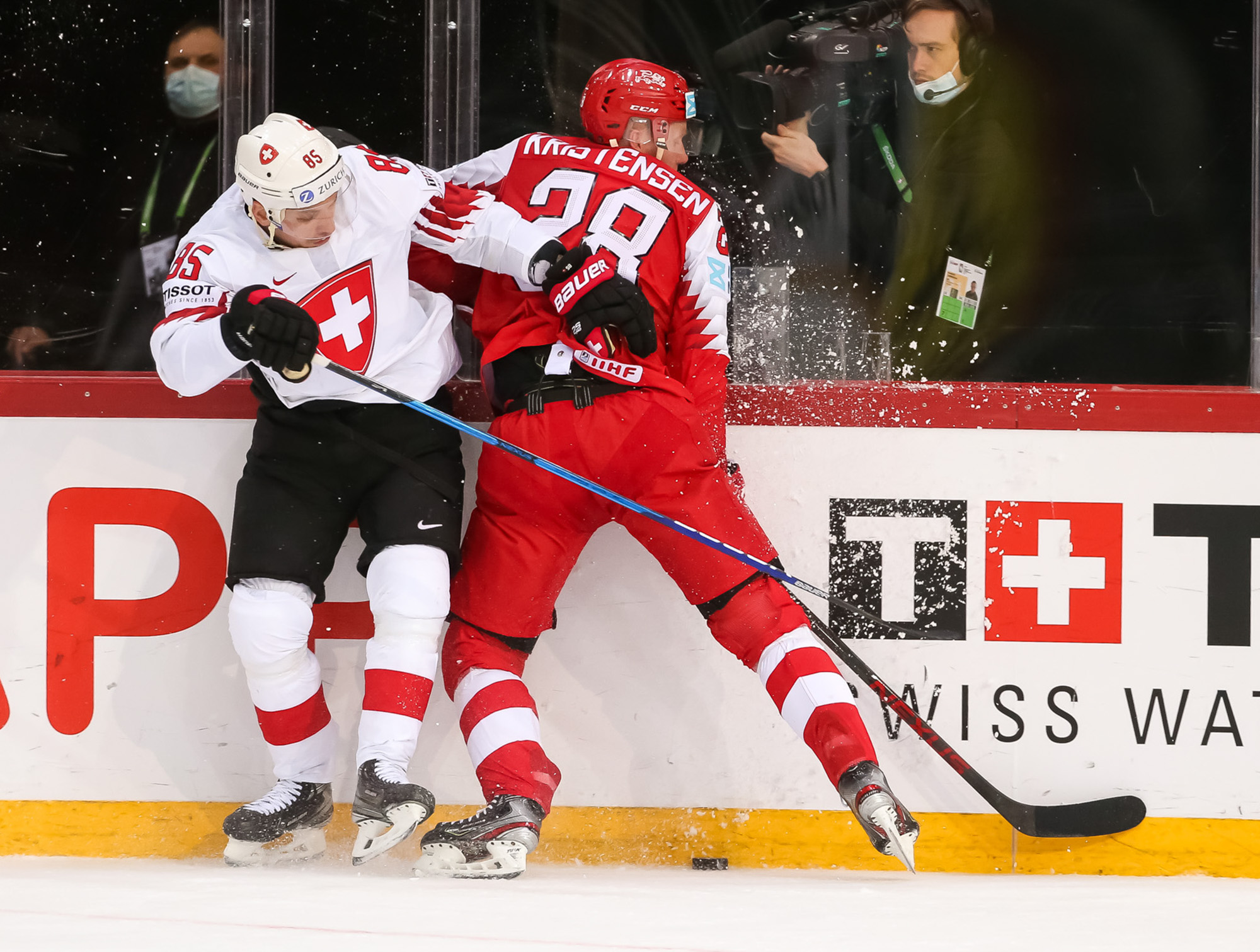 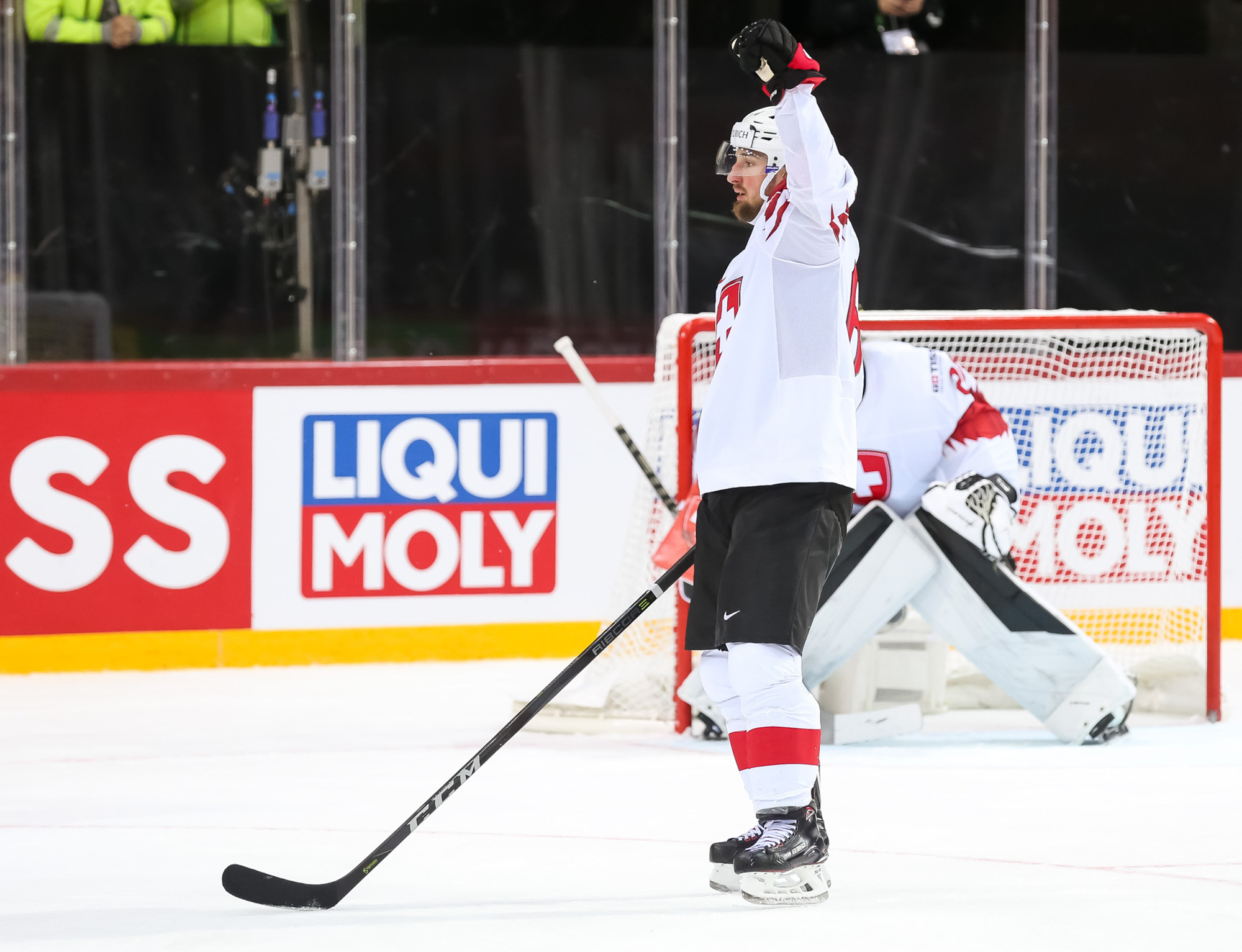 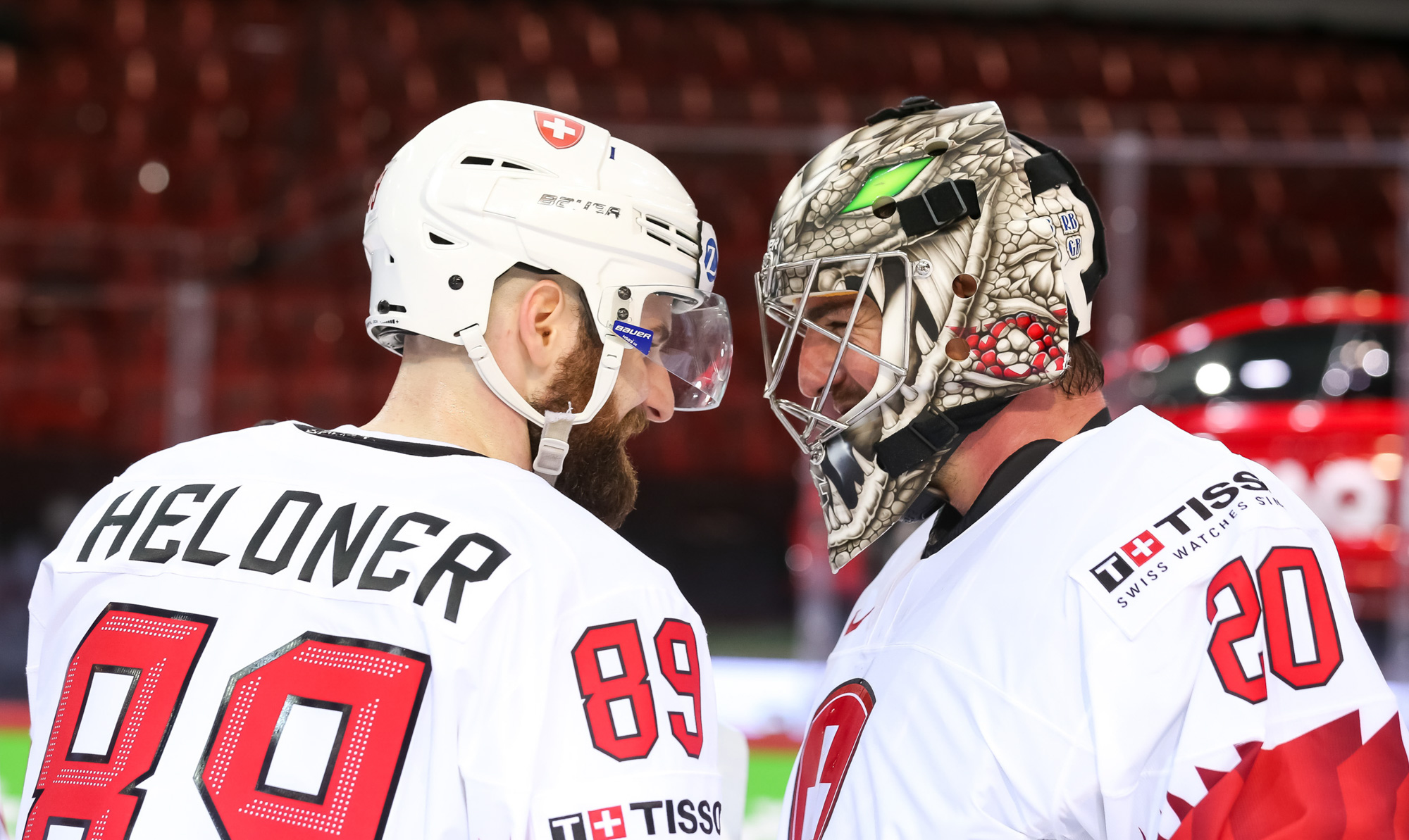 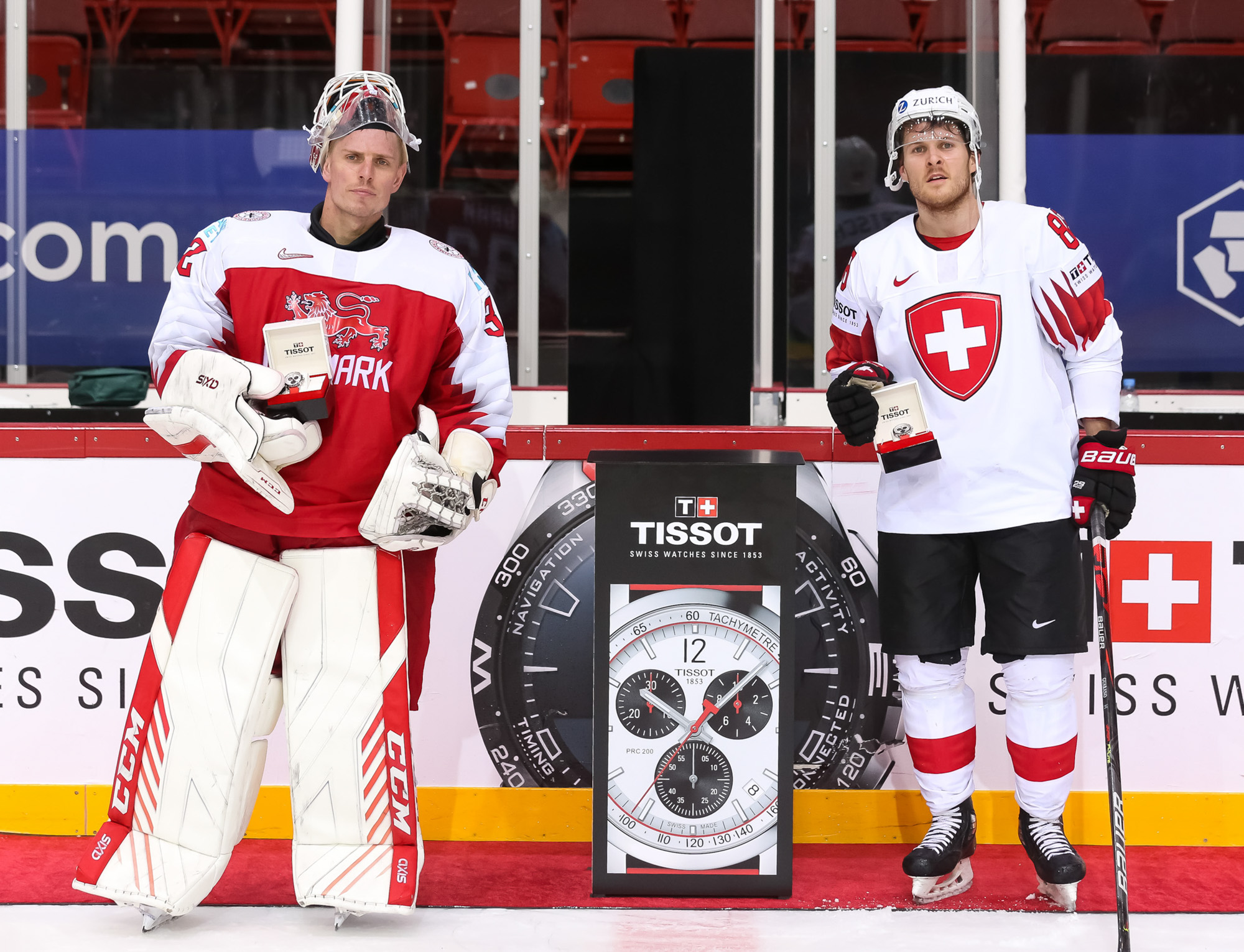 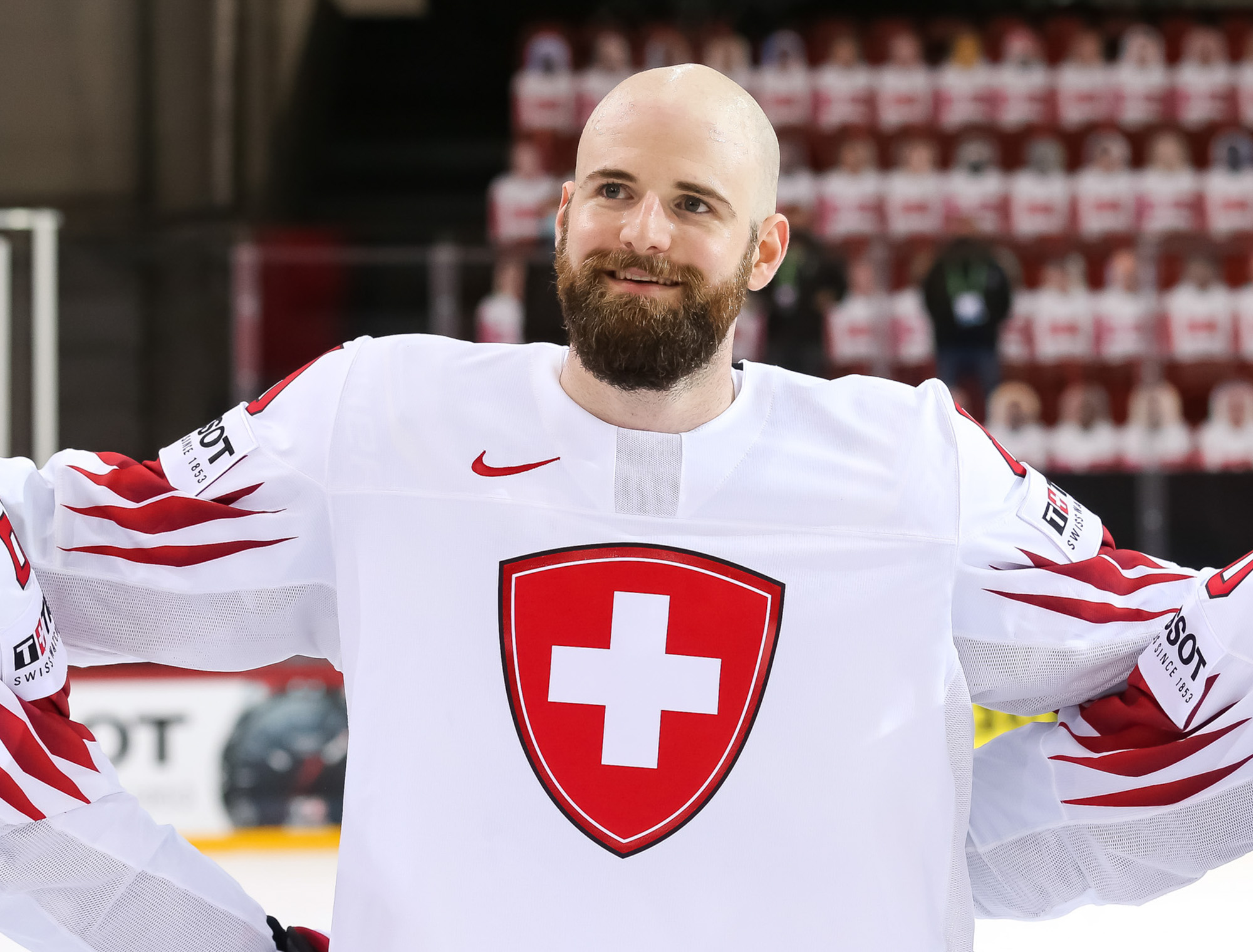 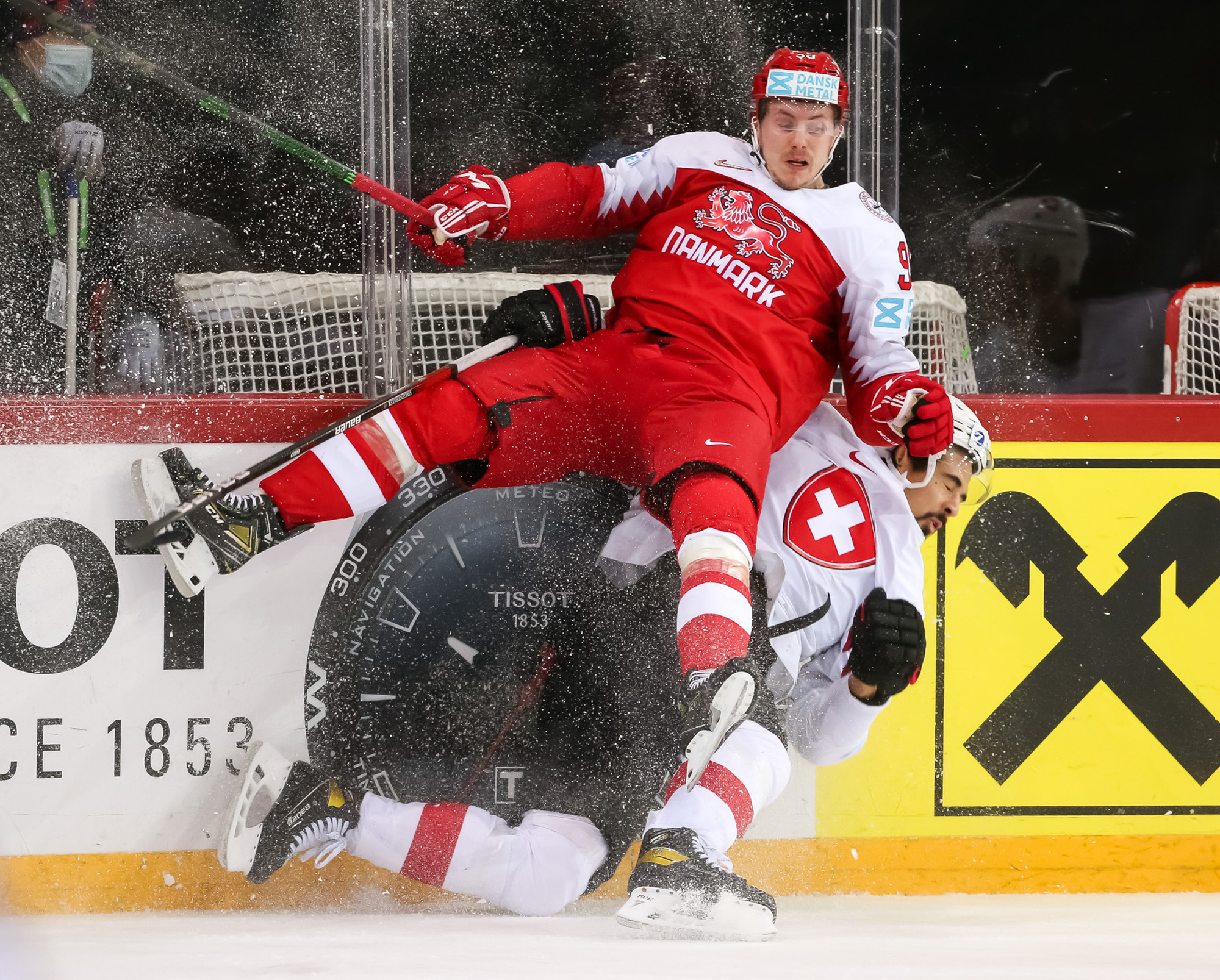