Feast for Germany, famine for Canada.

The Germans stayed perfect and kept the offensively snakebitten Canadians winless with a 3-1 upset on Monday at Arena Riga. Matthias Plachta notched the winning goal in the second period, and goalie Matthias Niederberger excelled with 39 saves. Germany last beat Canada 5-1 in 1996.

Stefan Loibl and Korbinian Holzer also scored for the Germans, who sacrificed their bodies all night long to preserve the lead they grabbed in the first period.

Nick Paul replied for Canada, which failed to take advantage of Germany's parade to the penalty box (28 PIM total). Shots favoured the Canadians 40-25.

"We’re beating everyone but the goalie," said Connor Brown. We’ve just gotta have a little poise in the scoring areas. We’re a little jolted, a little off."

Germany, which finished sixth in 2019, is questing for its first IIHF World Championship medal in the 21st century. Meanwhile, Canada has never opened the Worlds with three straight losses before. The Canadians also lost three straight games in the 1979 medal round in Moscow, which featured a round-robin format.

Heading into Wednesday's game against Norway, the Canadians have been outscored 10-2 in Group B. Canada's odds of missing the quarter-finals for the first time in history are ramping up. Even factoring in the special challenges created by the global pandemic, this could be Canada’s weakest World Championship entry ever.

World Men
Germany vs Canada - 2021 IIHF Ice Hockey World Championship
Feast for Germany, famine for Canada. The Germans stayed perfect and kept the offensively snakebitten Canadians winless with a 3-1 upset on Monday at Arena Riga.
GER CAN 24 MAY 2021
Canada entered this game on a 10-game Worlds winning streak against Germany, including one overtime win in 2003 (3-2 in the quarterfinal). However, at the 2018 Olympics, Germany ended Canada’s dreams of gold with a 4-3 semi-final win. The Germans got silver in Korea, but haven’t medaled at the Worlds since 1953’s silver, as West Germany.

Gallant gave Adin Hill his first start in net. Hill took over from his Arizona Coyotes teammate Darcy Kuemper for the third period of the 5-1 loss to the Americans. Niederberger, who backstopped Germany to a 5-1 win over Norway, returned between the pipes for coach Toni Soderholm.

At 10:46, Loibl opened the scoring on Germany’s first bona fide chance, thanks to fantastic work along the boards by Tom Kuhnhackl. The former two-time Stanley Cup champion with Pittsburgh warded off Justin Danforth’s checking, pivoted, and found Loibl in the left faceoff circle. The Adler Mannheim forward whipped the puck over Hill’s glove.

"We’re a good team and we can score," Loibl said.

Just 38 seconds later, Plachta made it 2-0 Germany, skimming a shot from the right faceoff circle that bounced in off the skate of prospective 2021 #1 NHL pick Owen Power. Coincidentally, Plachta also got Germany’s 2-0 goal in the 2018 Olympic semi-final.

Seeking a reset, Gallant called his timeout. It didn’t pay immediate dividends, but Paul finally cut the deficit to 2-1 with a stick-side wrister through traffic at 18:19. The hard-working winger had five goals and 15 assists for the Ottawa Senators in 2020-21.

Early in the middle frame, Canada got a gigantic opportunity with a 5-on-3 man advantage for 1:55. Tobias Rieder went off for roughing and Holzer got a double minor for cutting Maxime Comtois’s nose with a high stick. The Canadians fired six PP shots on Niederberger, but had nothing to show for it. German penalty-killers like Nicolas Krammer dove fearlessly to block shots.

"It’s pretty amazing and hard to describe," said Niederberger. "For me personally, I’ve never witnessed a game like this where every single player went out and fought like they did, blocked that many shots and won that many battles."

Later, Gabe Vilardi thought he had Canada’s equalizer when the puck got caught in Niederberger’s pads and the Los Angeles forward poked it over the goal line, but a quick whistle nixed that possibility.

"We've got to find ways to score," Vilardi said. "It's that simple. We can't win games scoring one goal."

Germany struggled with discipline. With a high-sticking minor coming up to Maximilian Kastner, Holzer clobbered Michael Bunting into the boards after the whistle and got two and 10 for boarding. Yet there was a repeat of the first 5-on-3, just with fewer Canadian shots (four). Canada outshot Germany 19-5 in the second period, but got nothing for it.

"Eventually we want to take less penalties, but the heart and passion that we showed today were pretty special," said German captain Moritz Muller.

Early in the third period, the best chance with Moritz Seider in the box went to Rieder, whose fast feet gave him a breakaway, but Hill stood his ground.

A tripping minor to Comtois with five minutes left wasted valuable time for Canada, although Niederberger had to stone Brown on a golden shorthanded chance from the slot. Holzer sealed Germany's victory with an empty-netter with 2:01 remaining.

"Sooner or later, we're going to get some puck luck," Gallant said optimistically.

Germany’s focus now shifts to Kazakhstan, which will be without Viktor Svedberg on Wednesday. The huge Swedish-born rearguard received a one-game ban for his cross-check on Jere Innala in the 2-1 shootout win over Finland.
Germany vs Canada - 2021 IIHF Ice Hockey World Championship 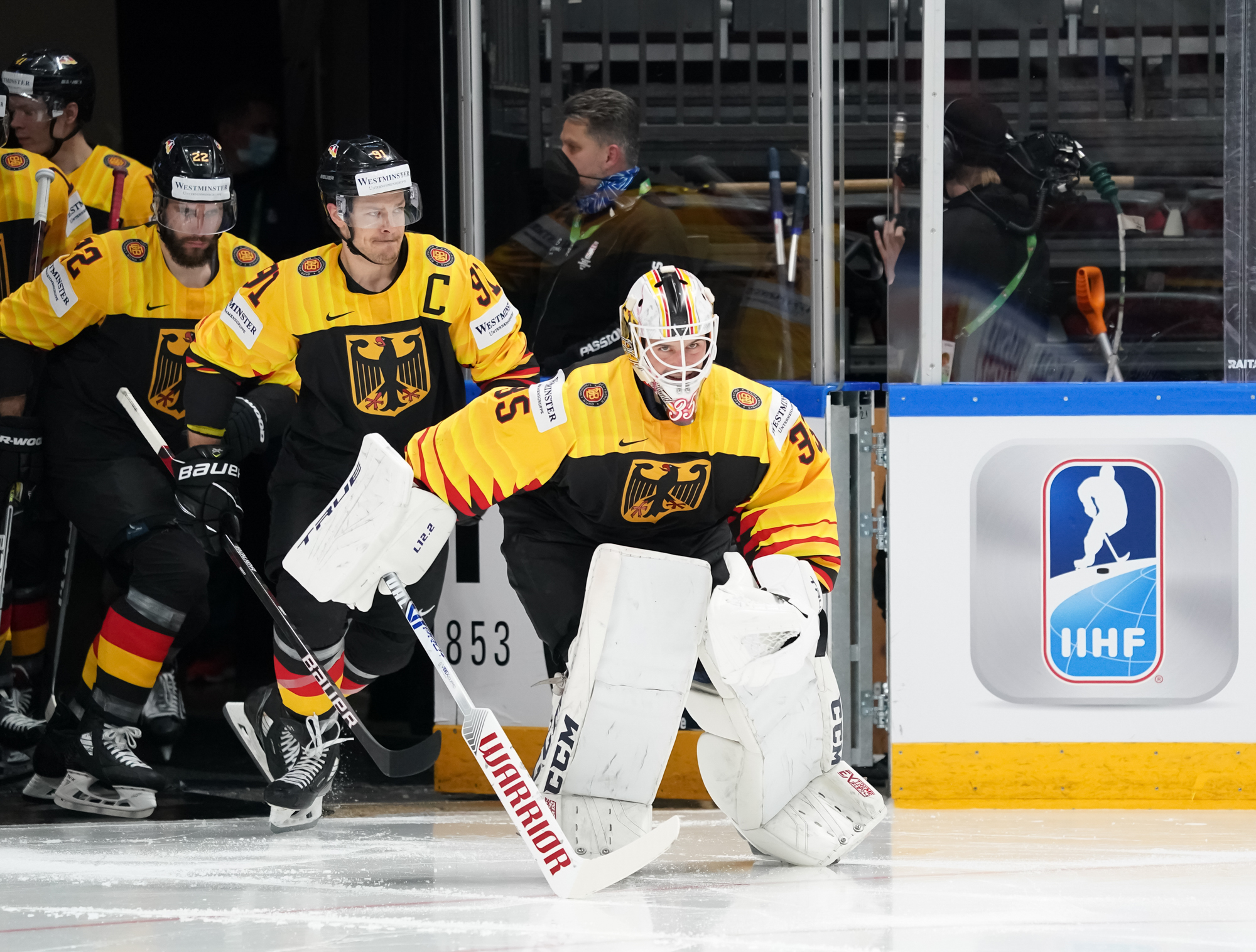 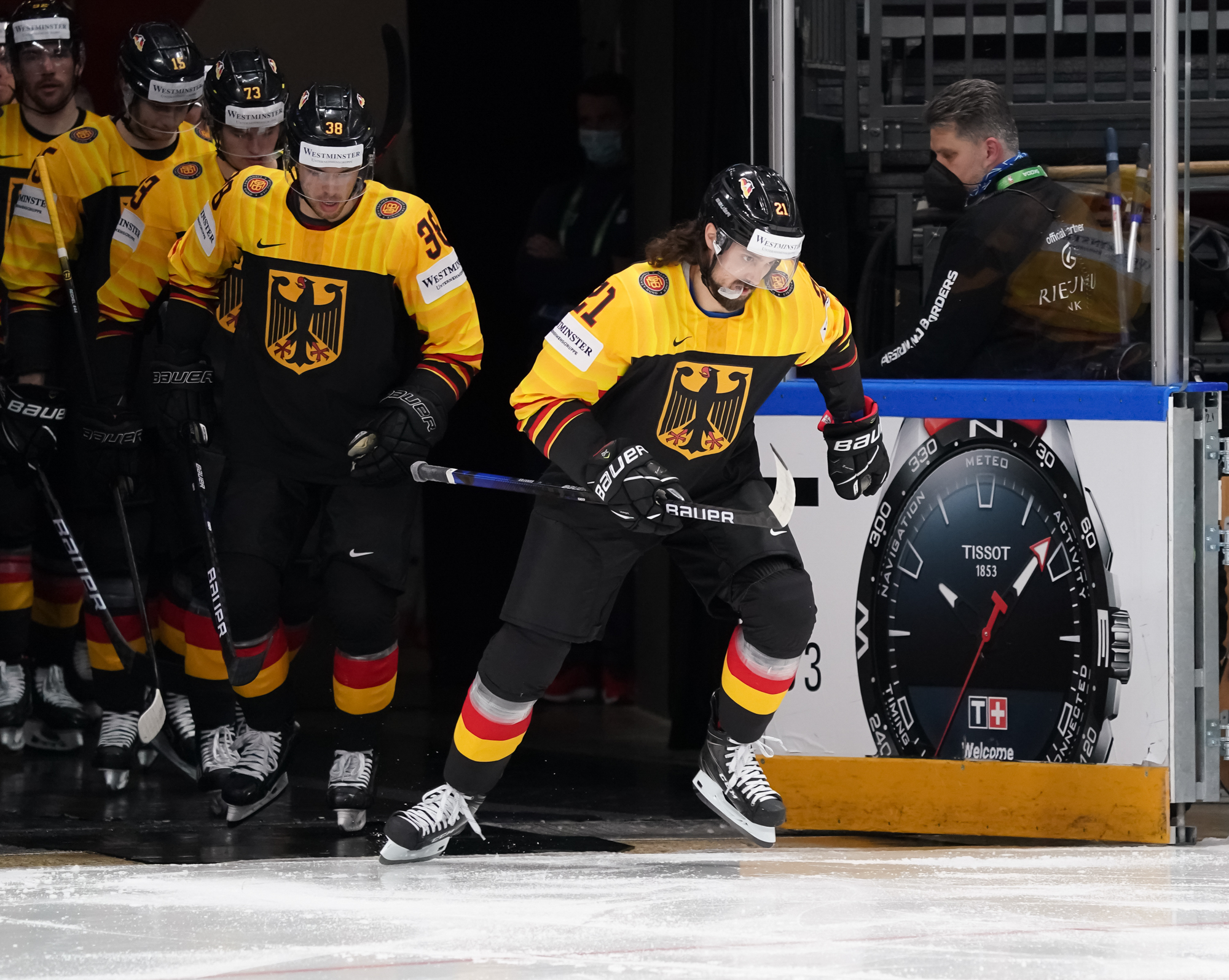 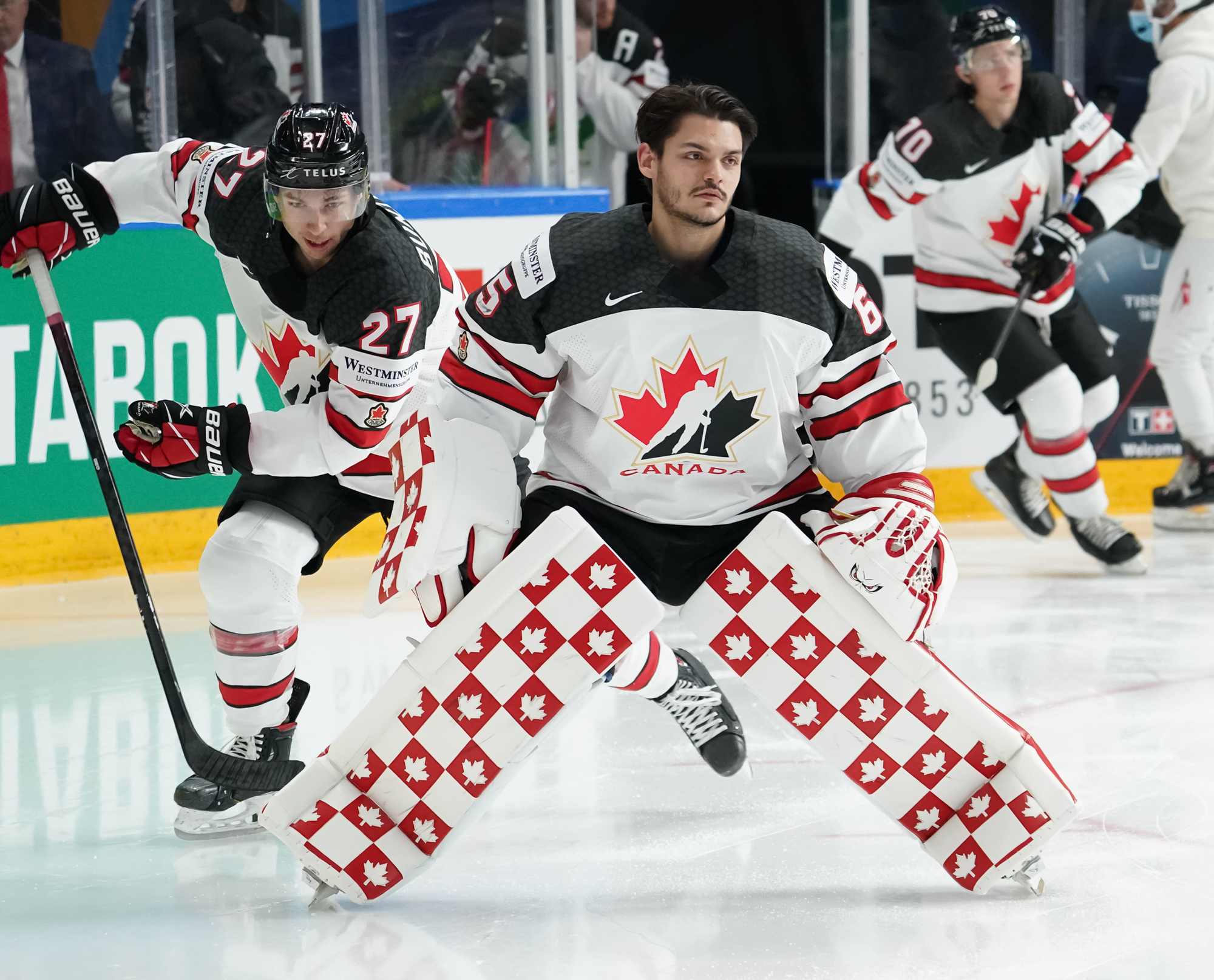 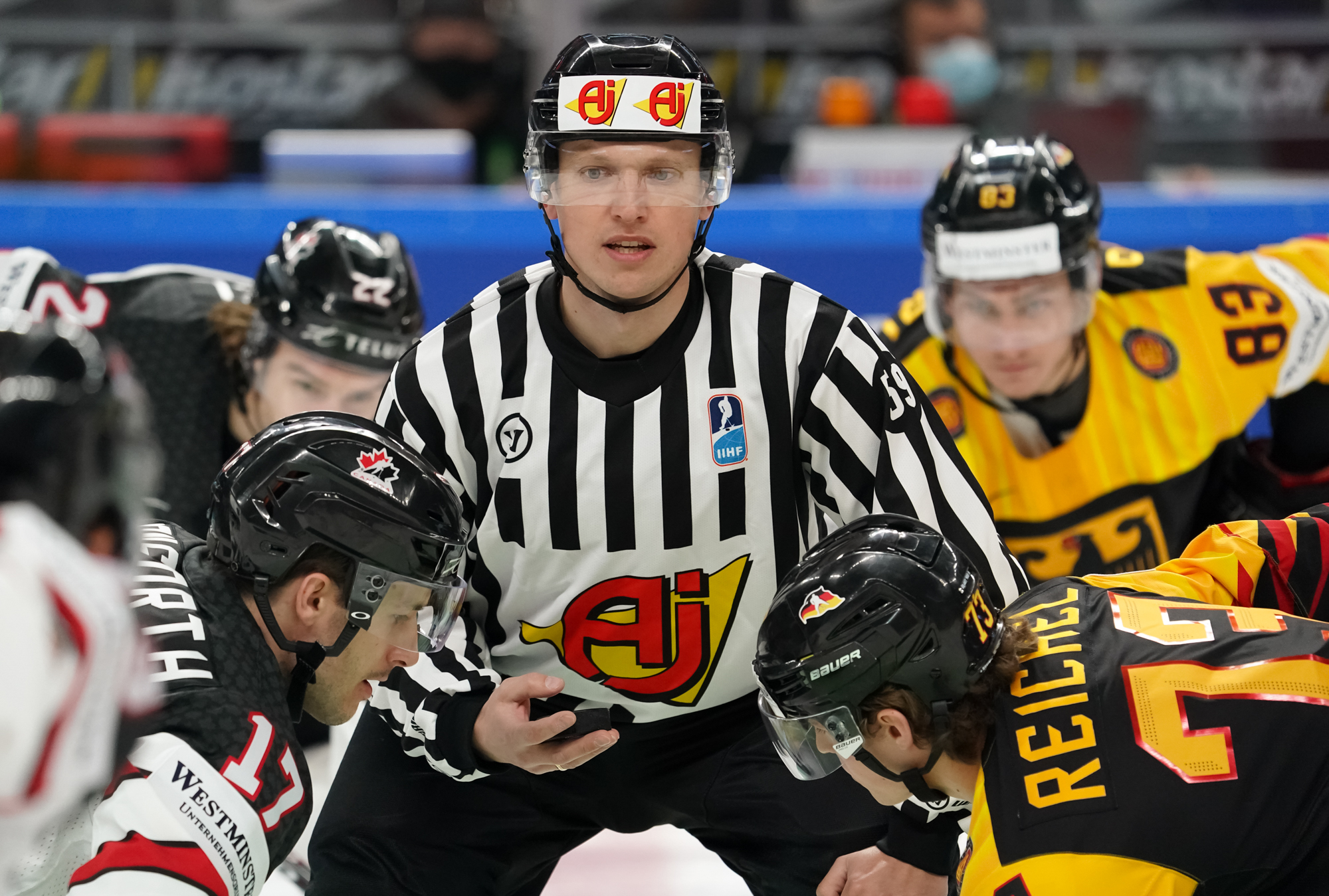 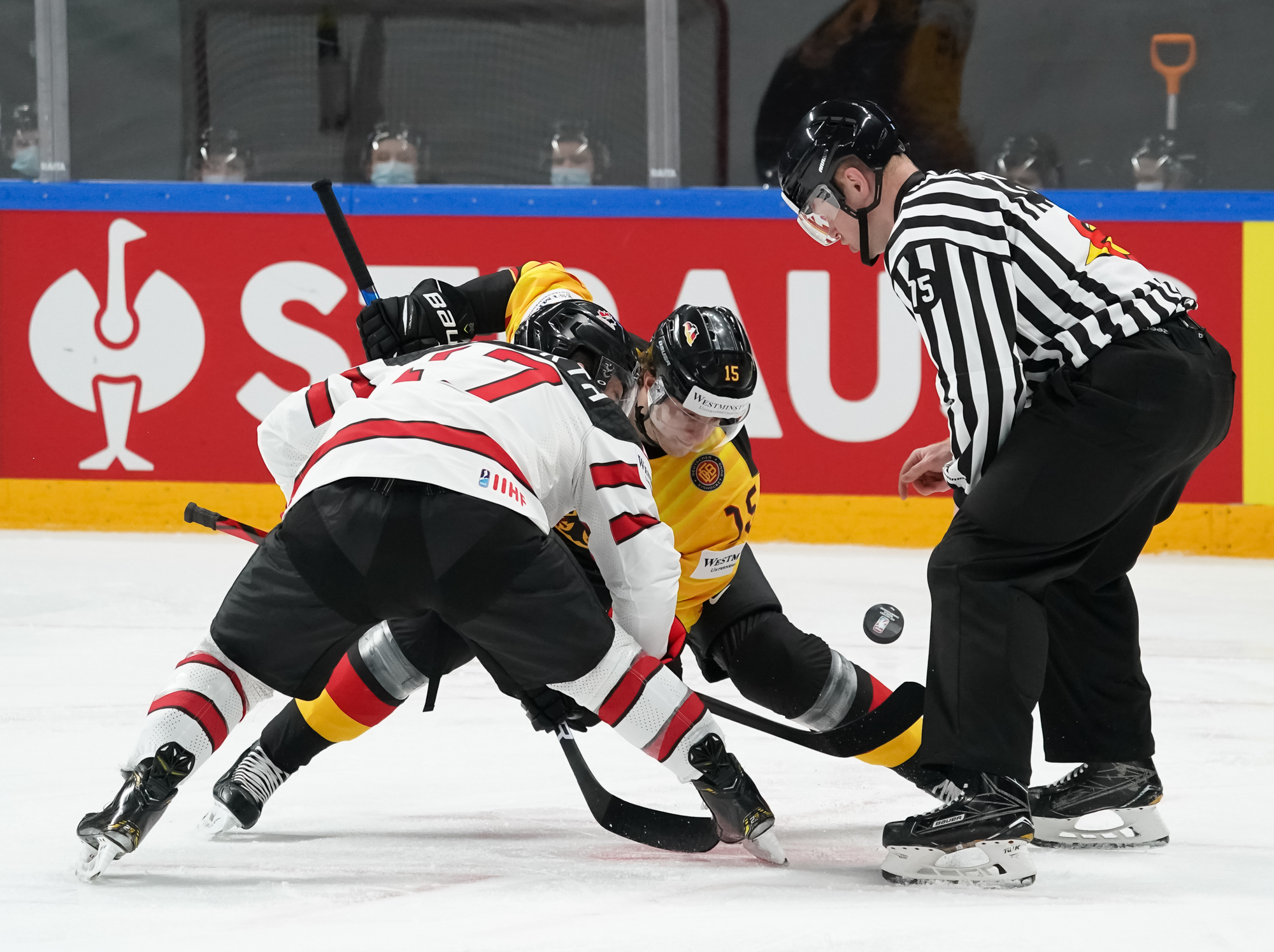 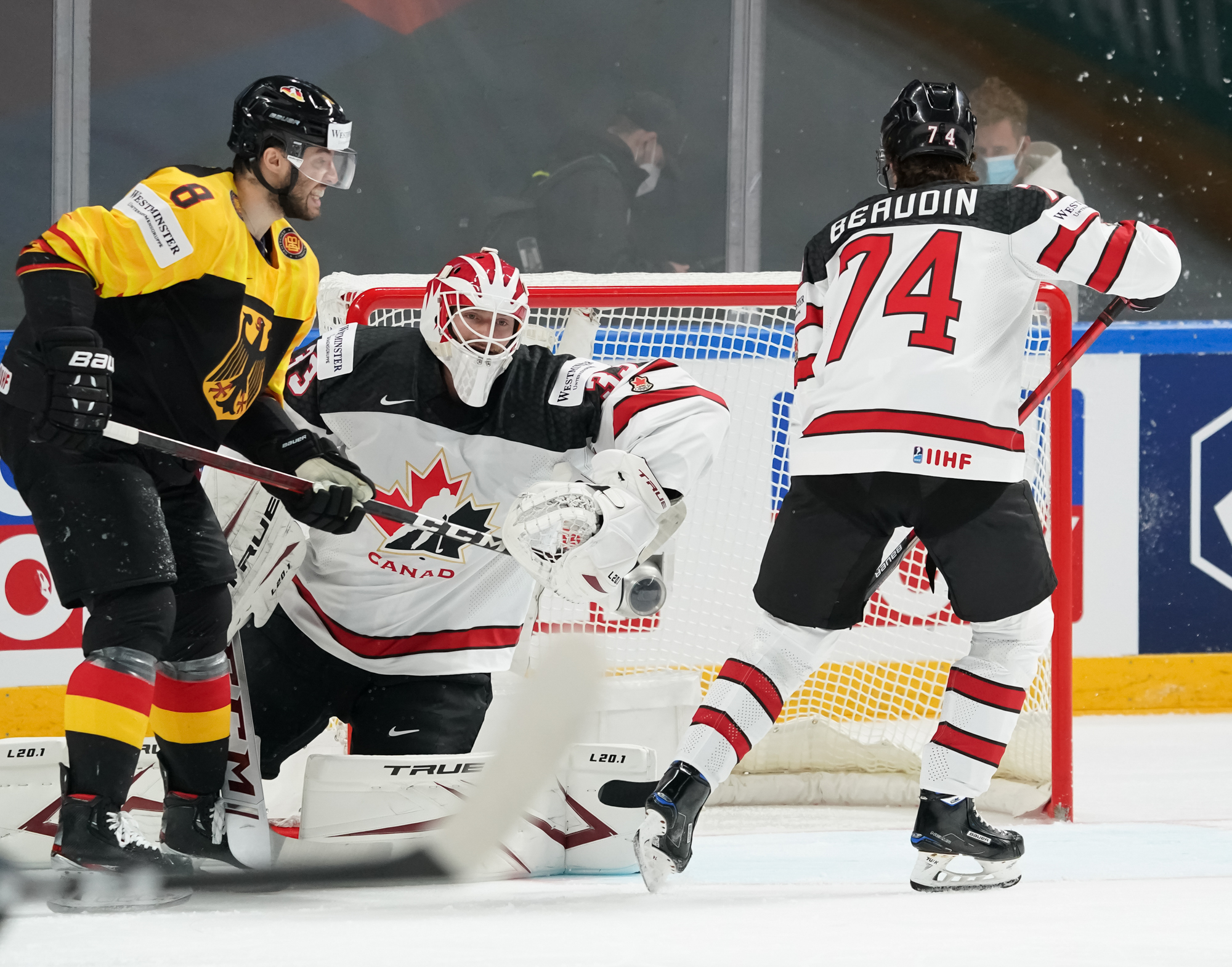 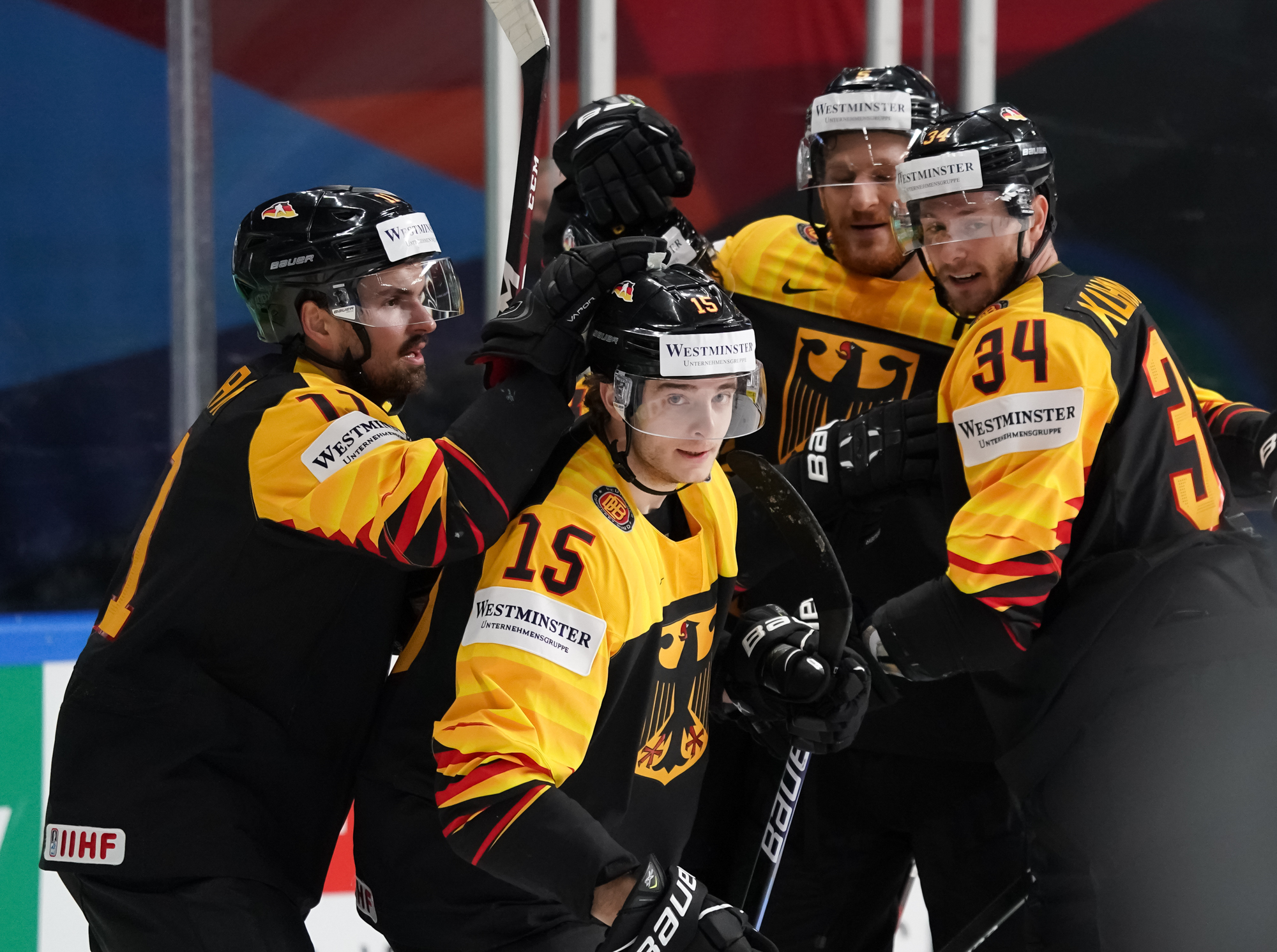 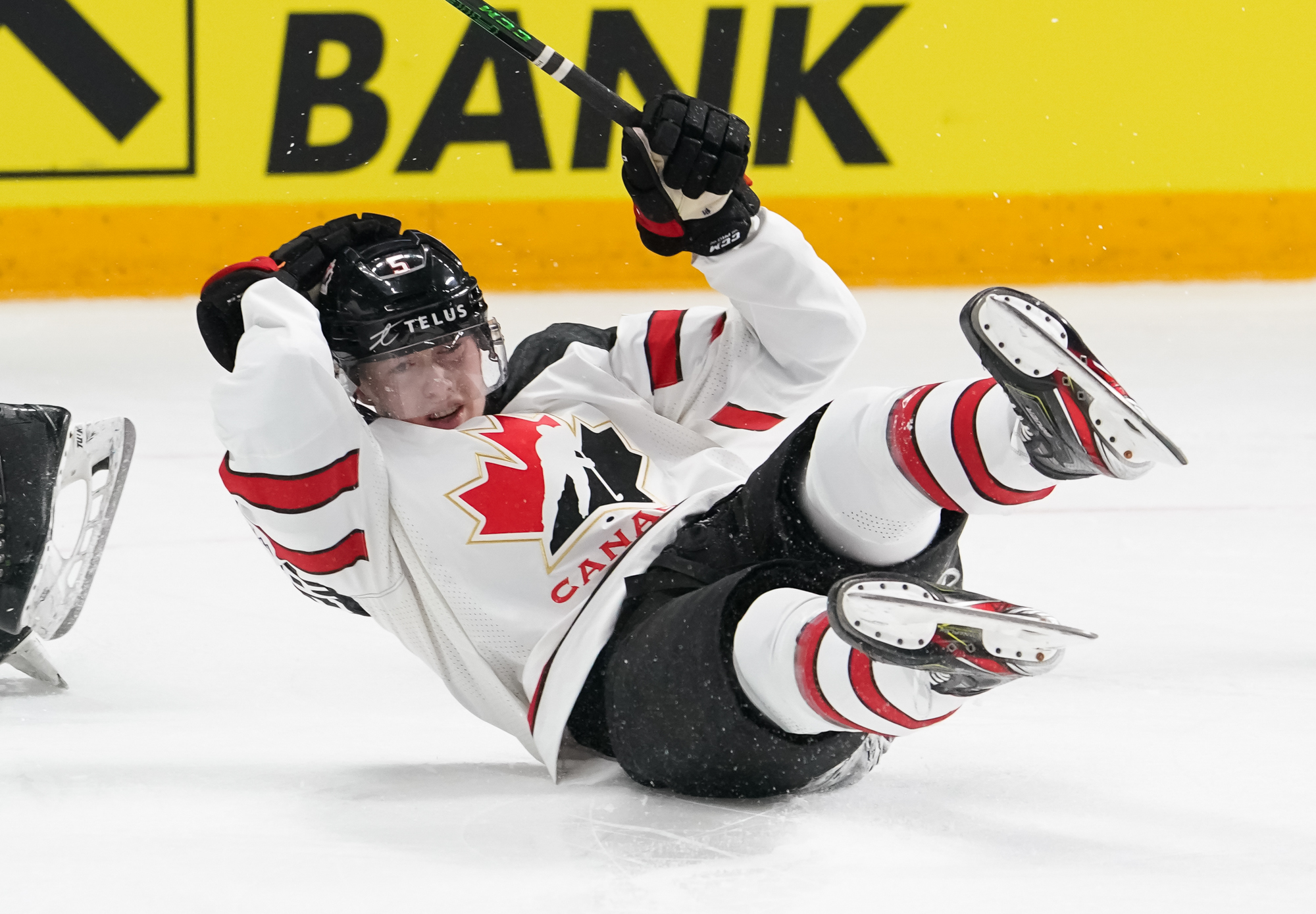 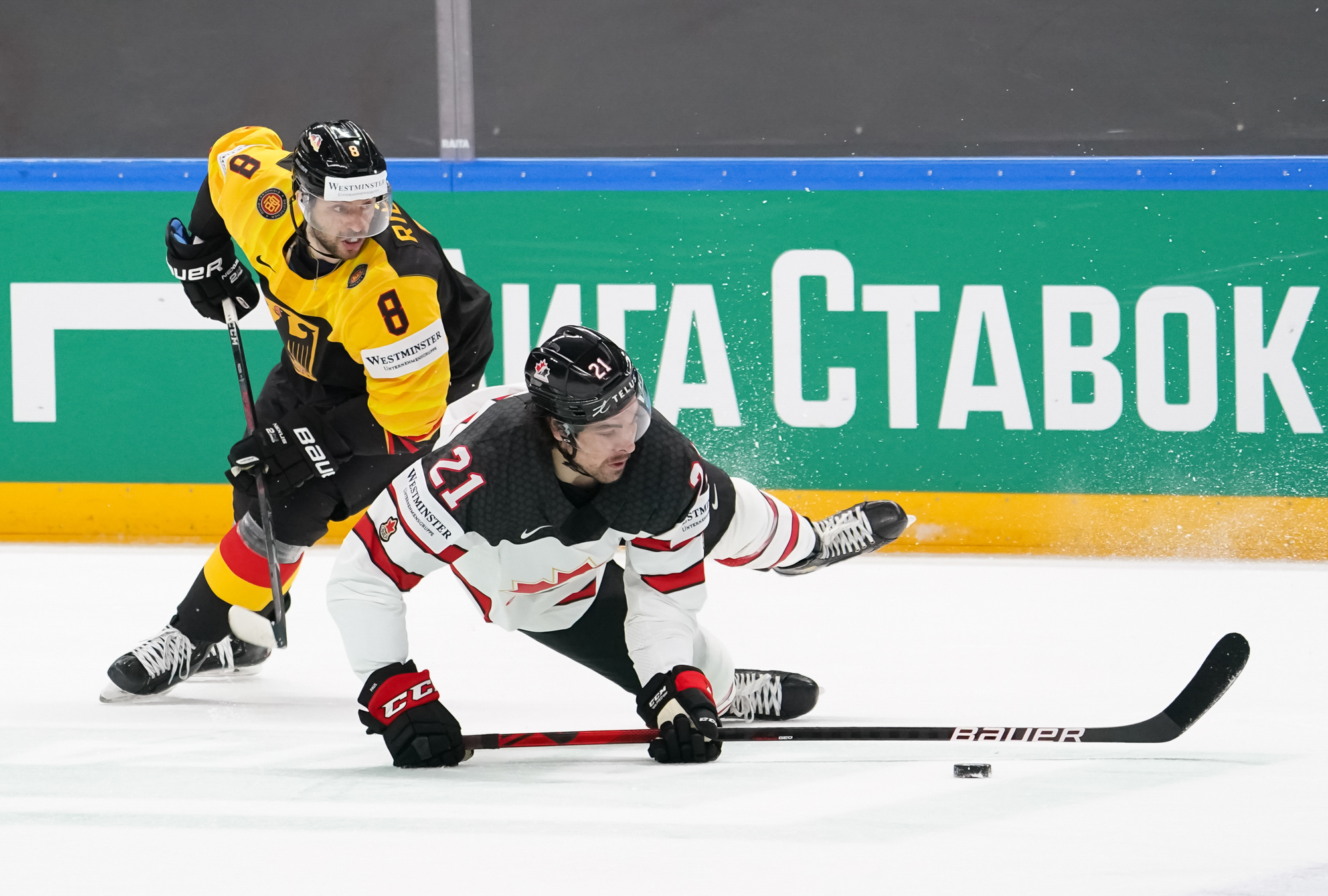 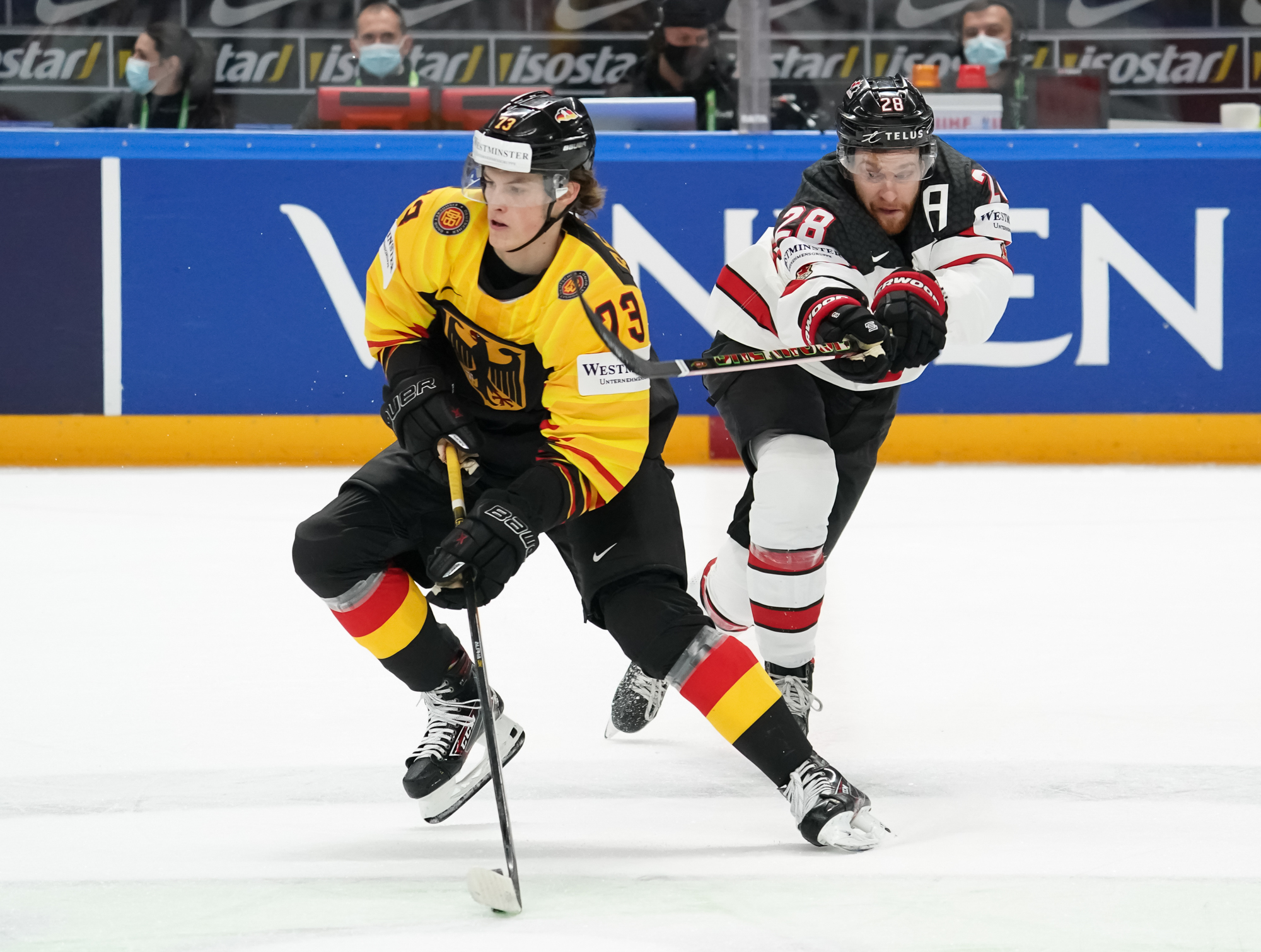 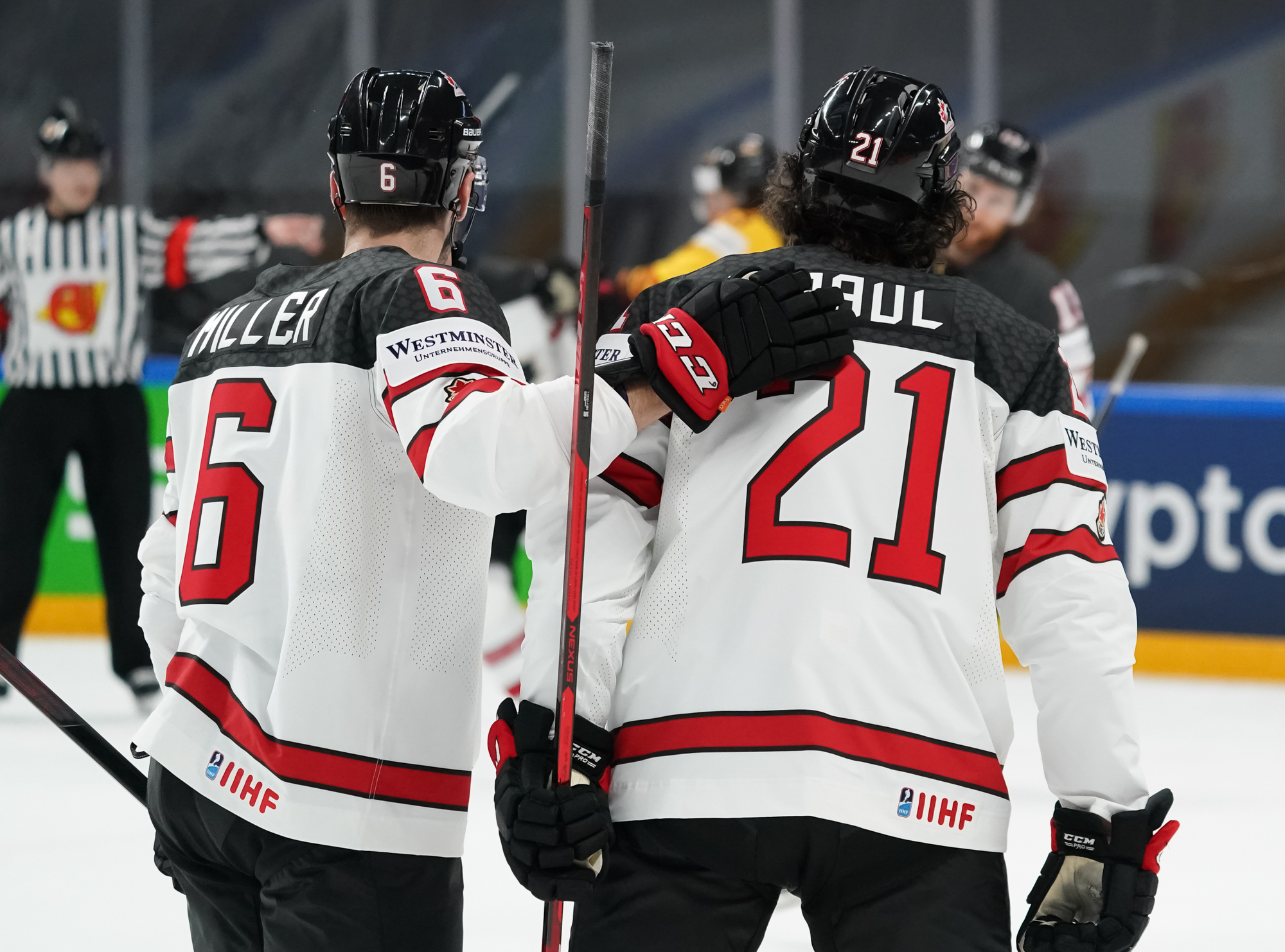 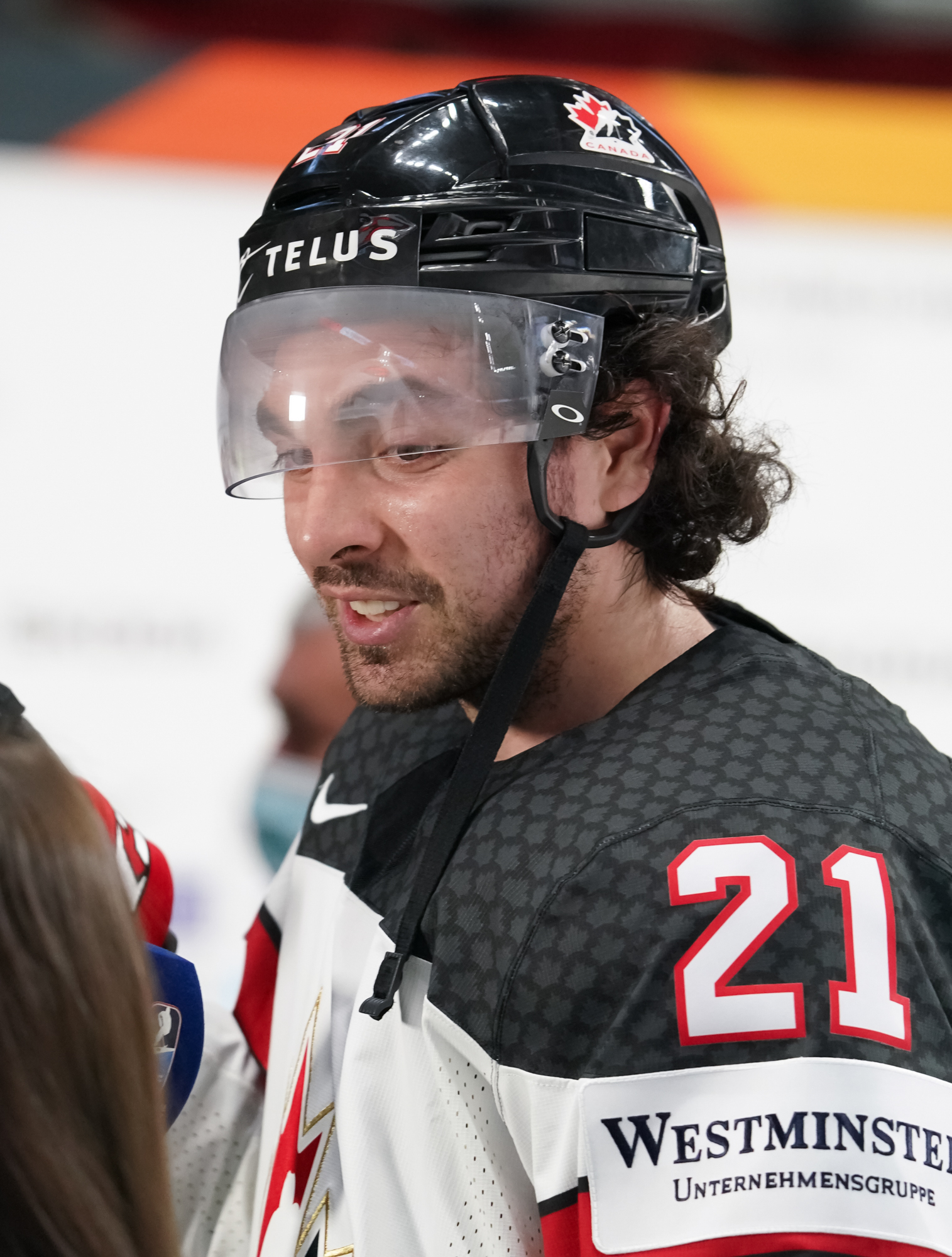 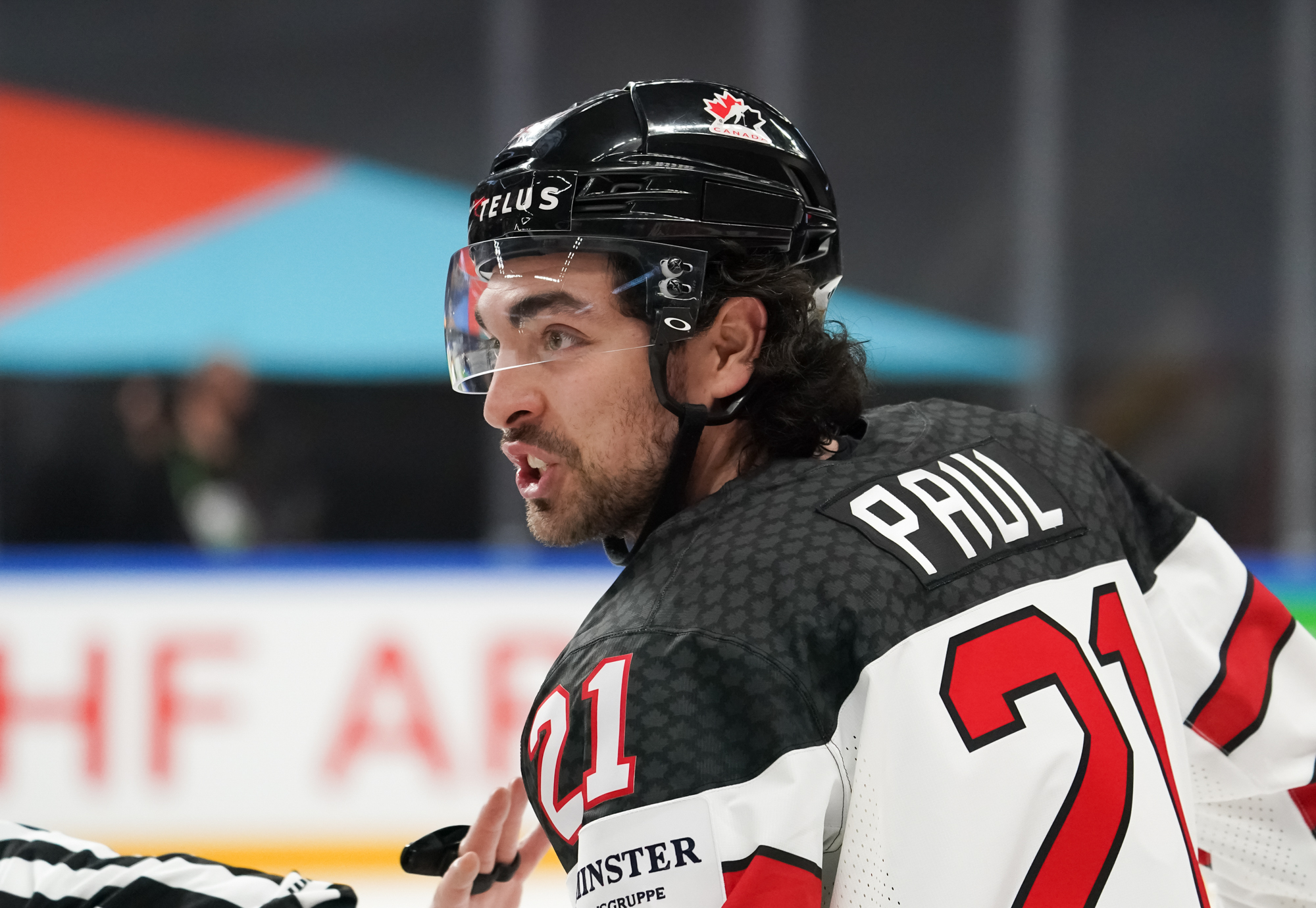 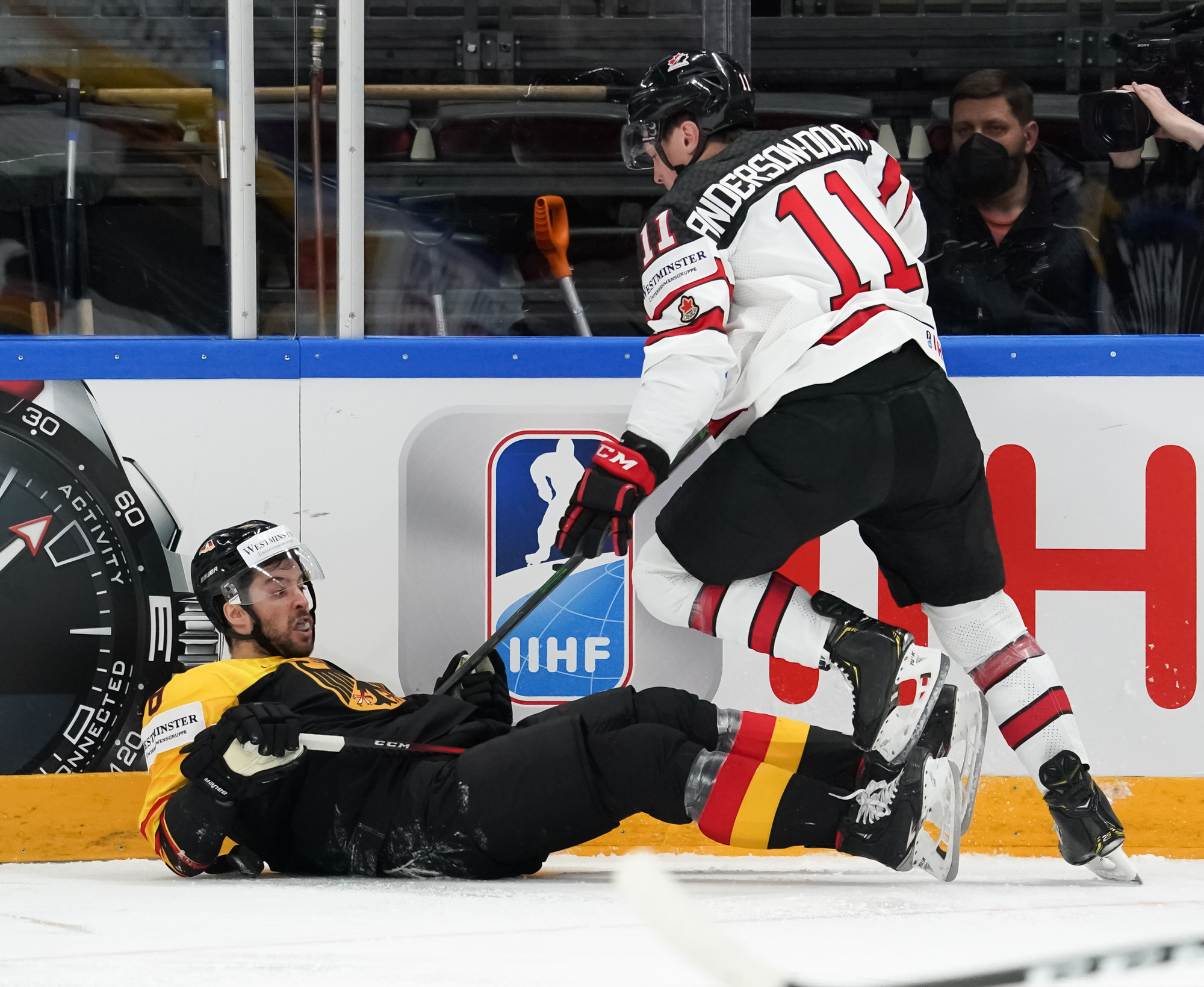 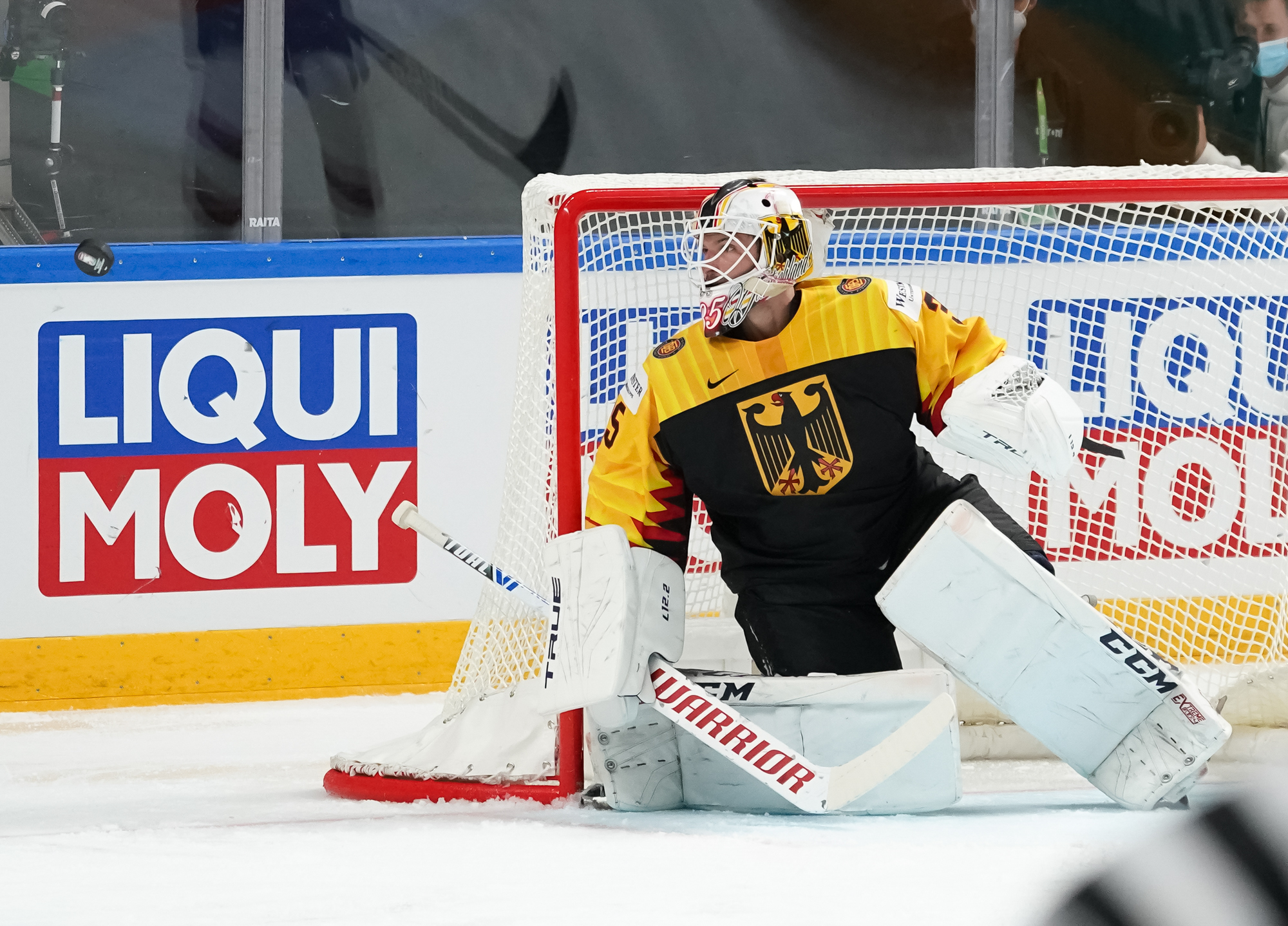 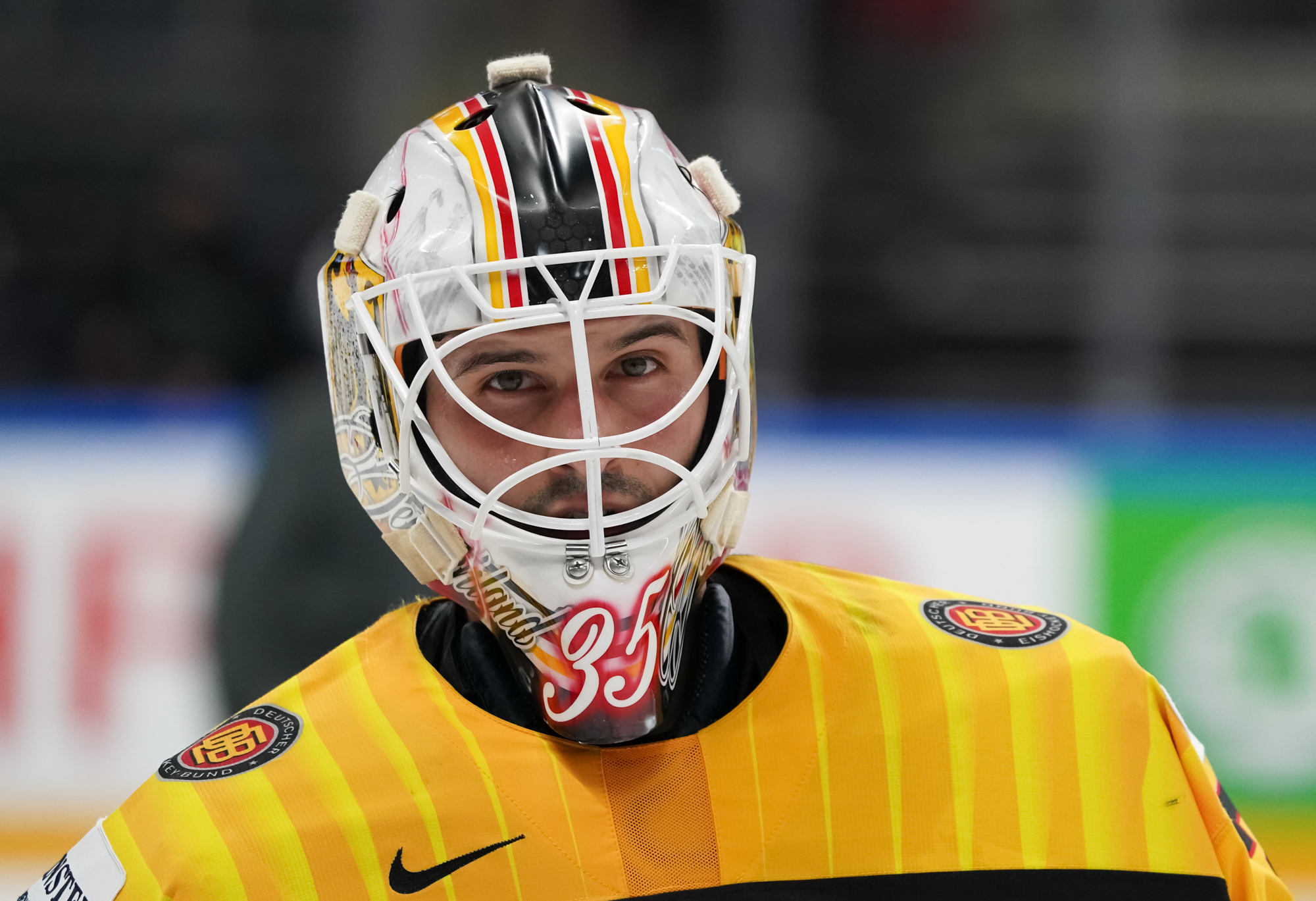 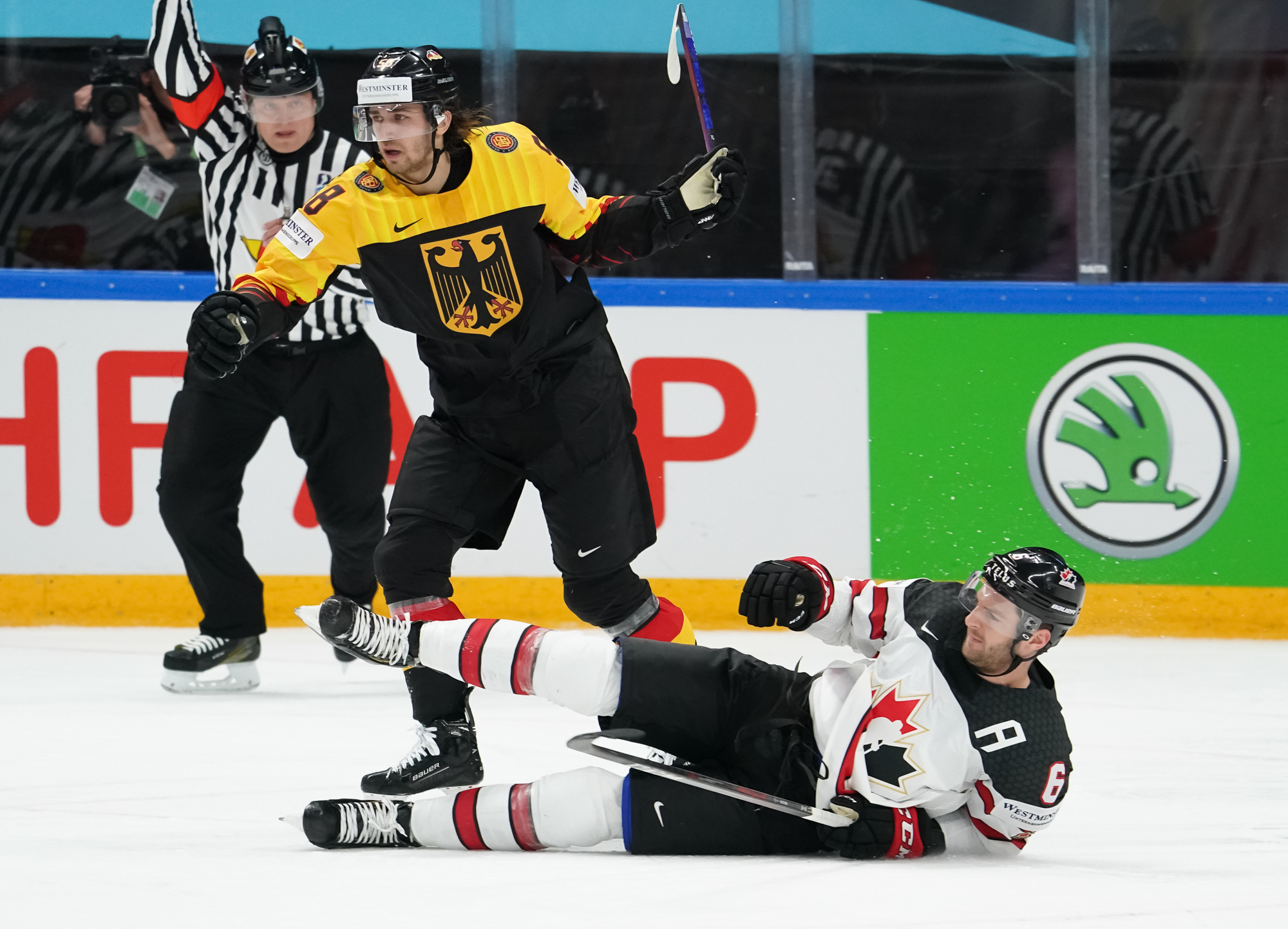 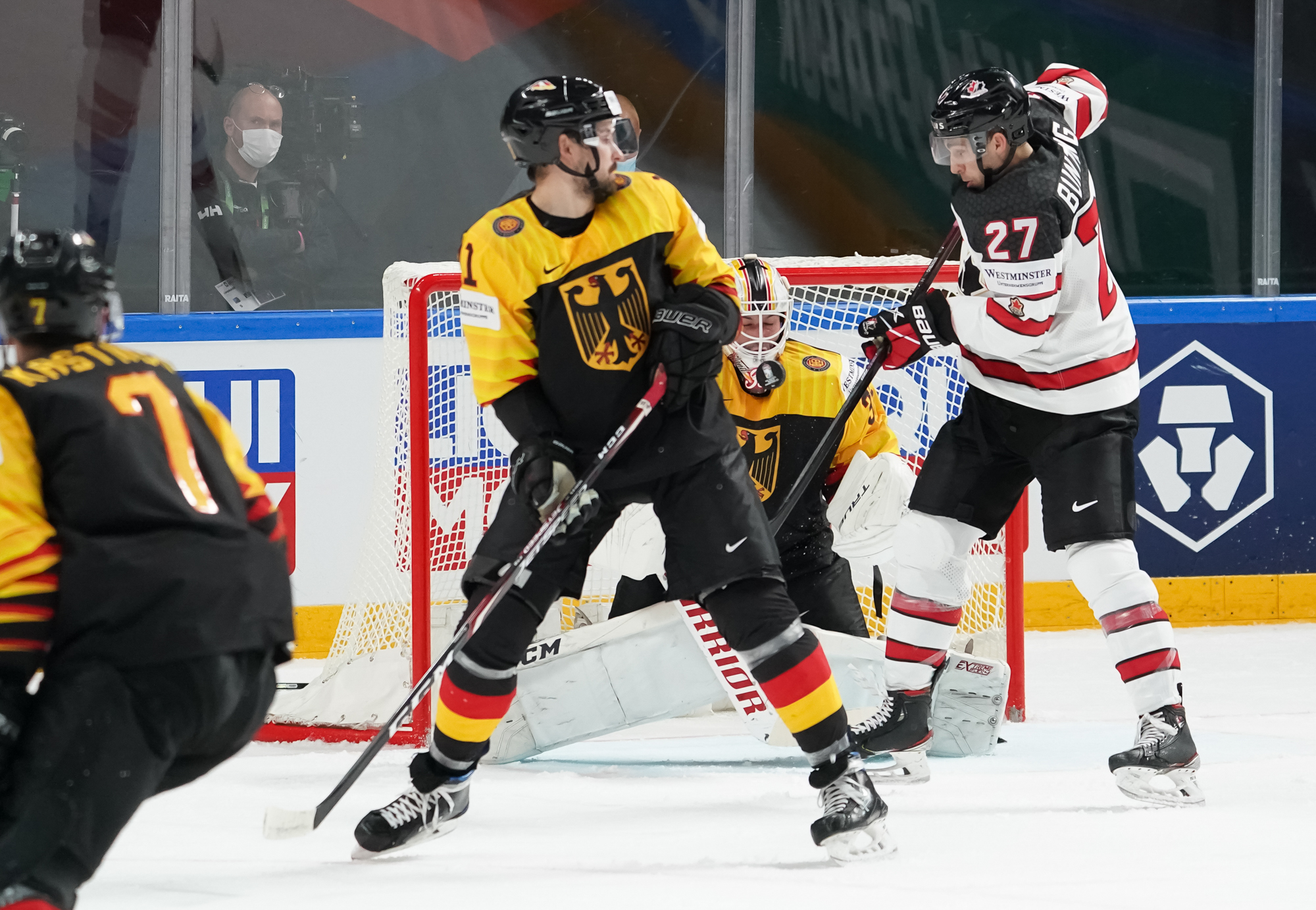 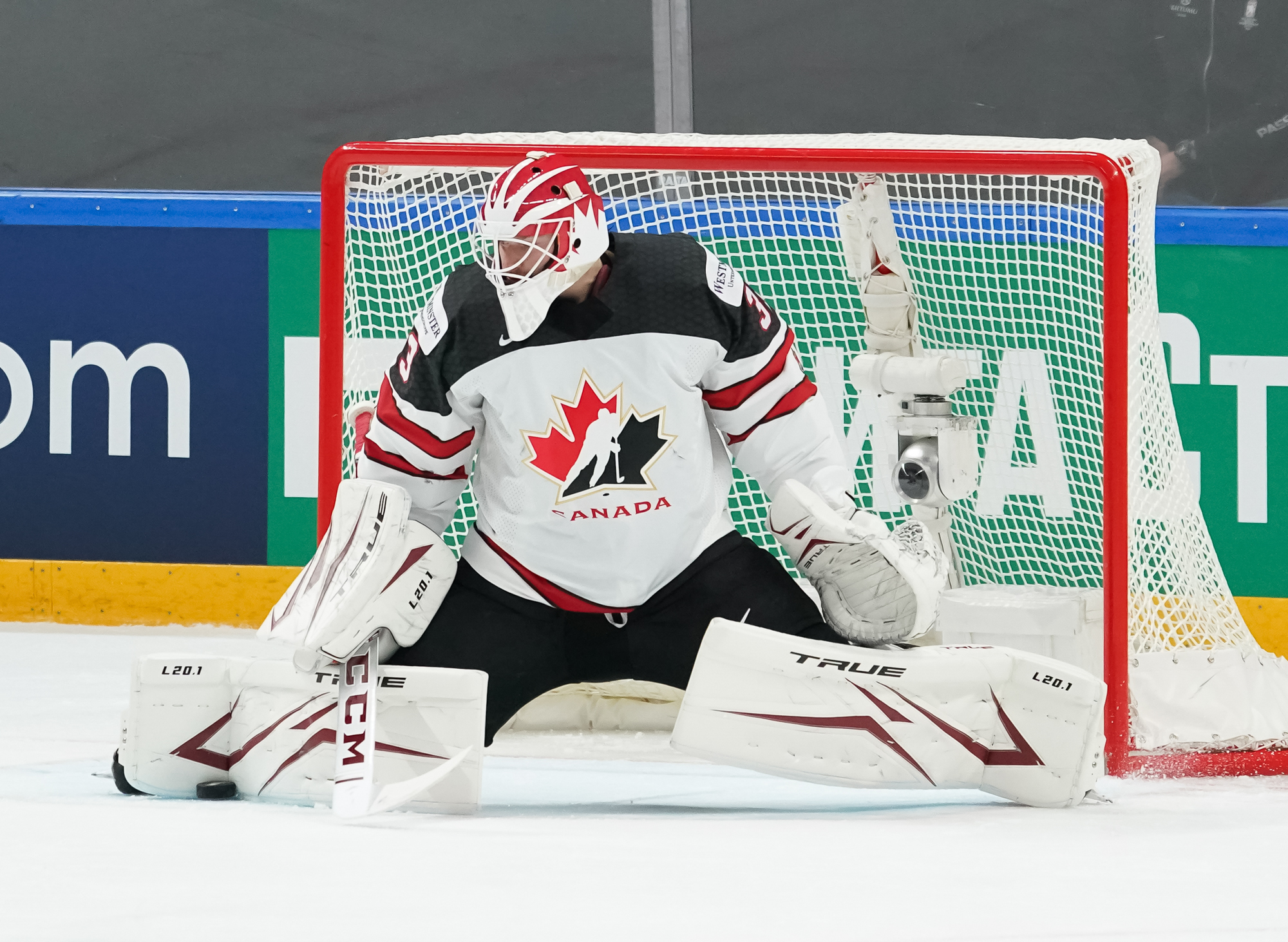 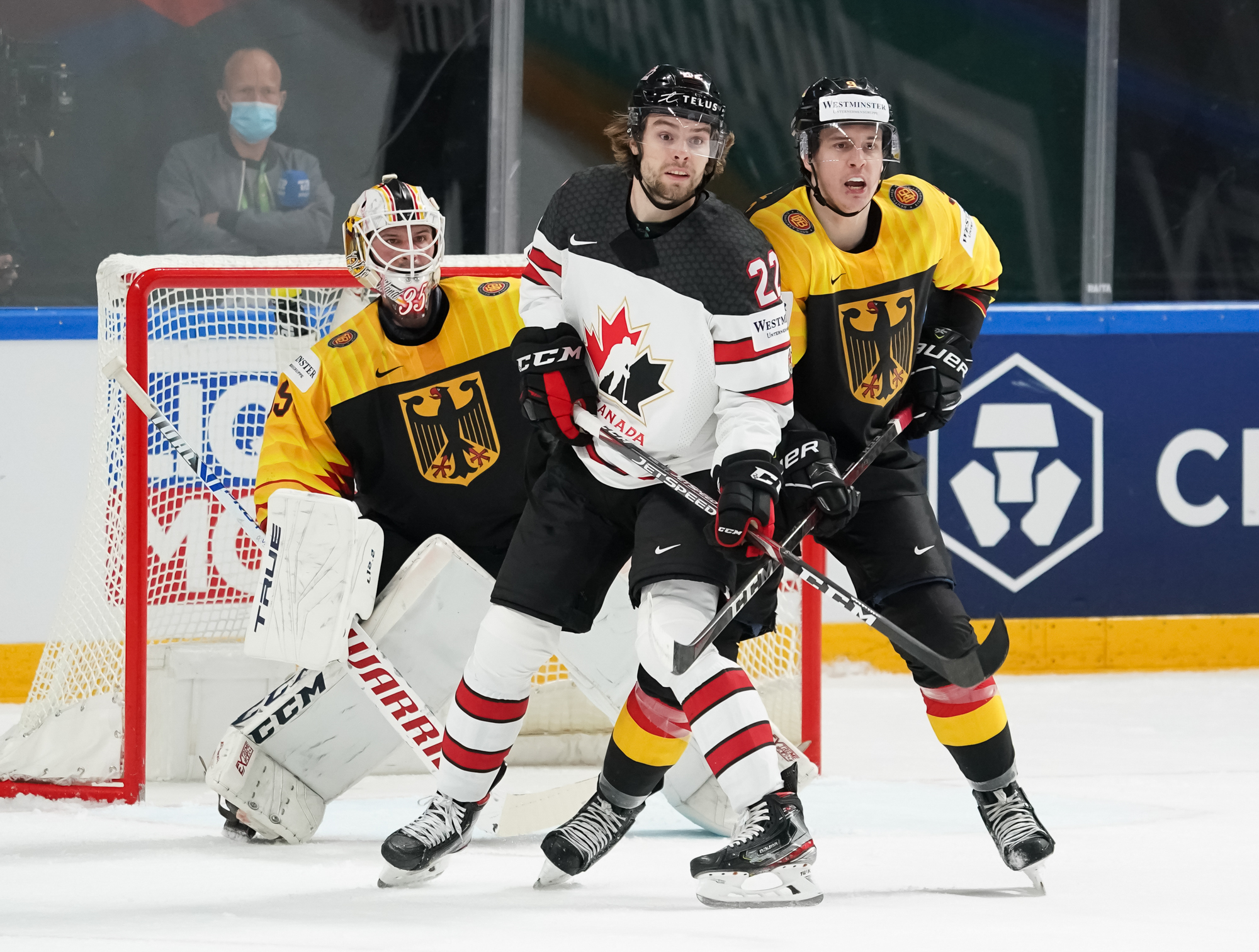 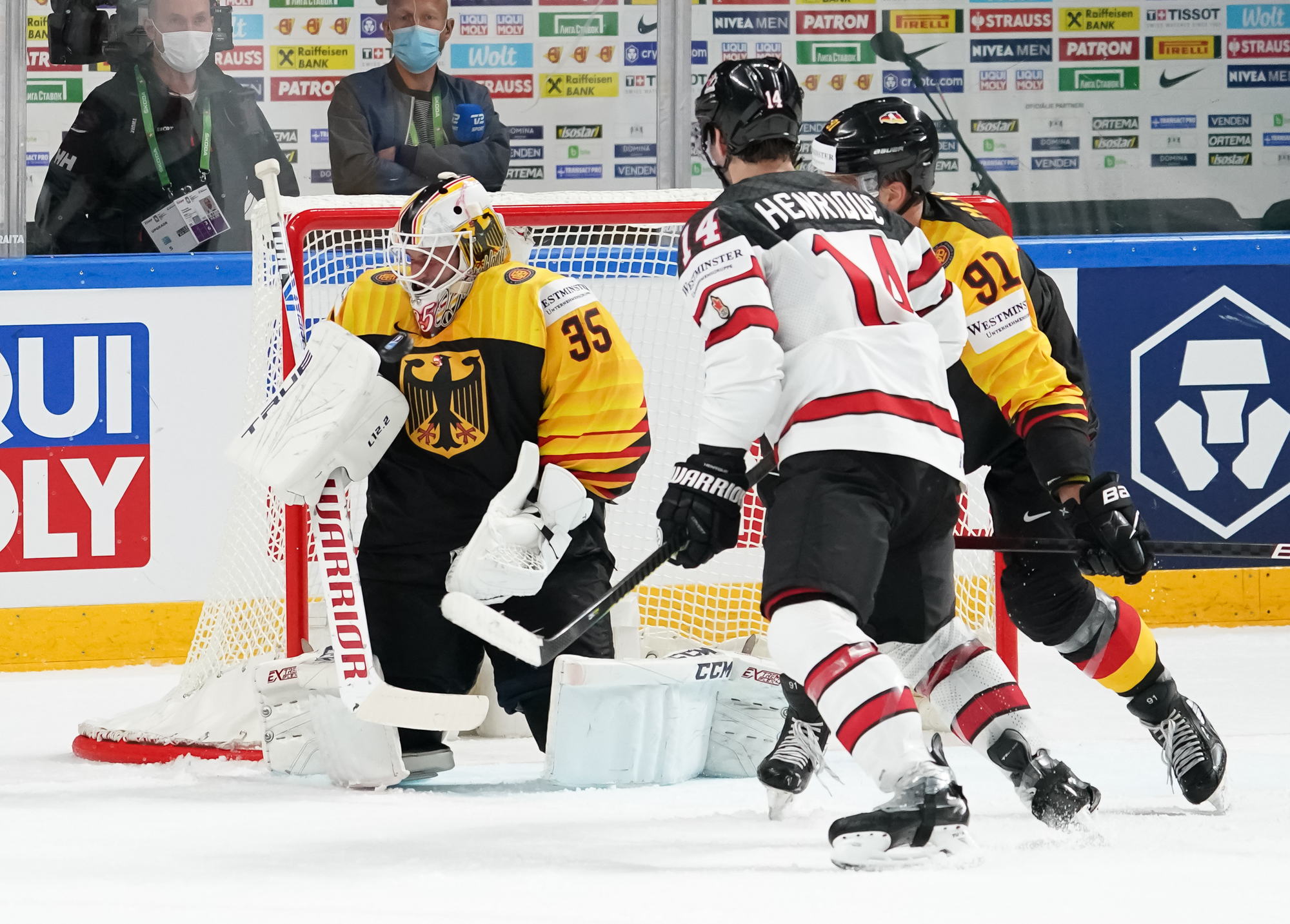 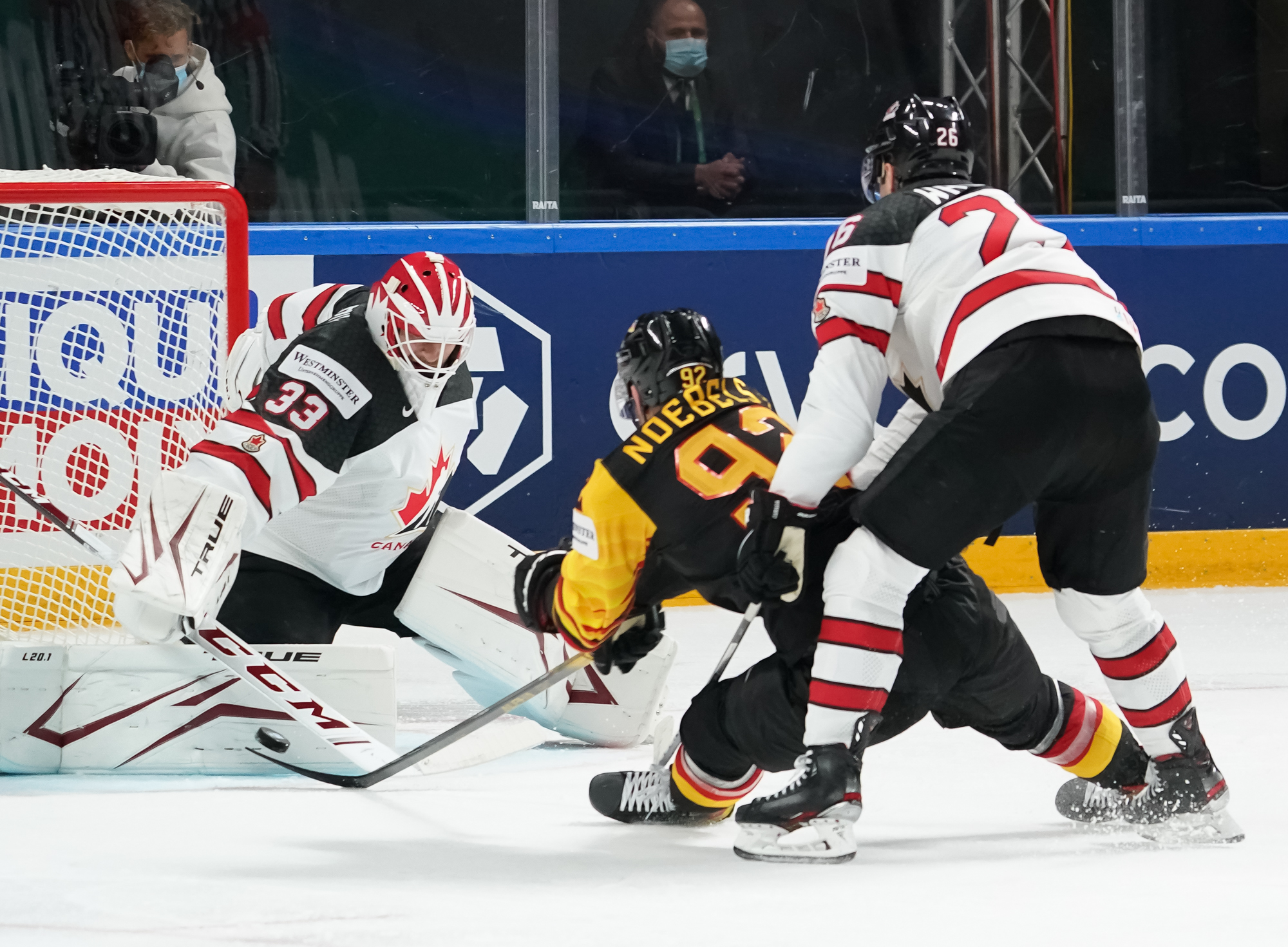 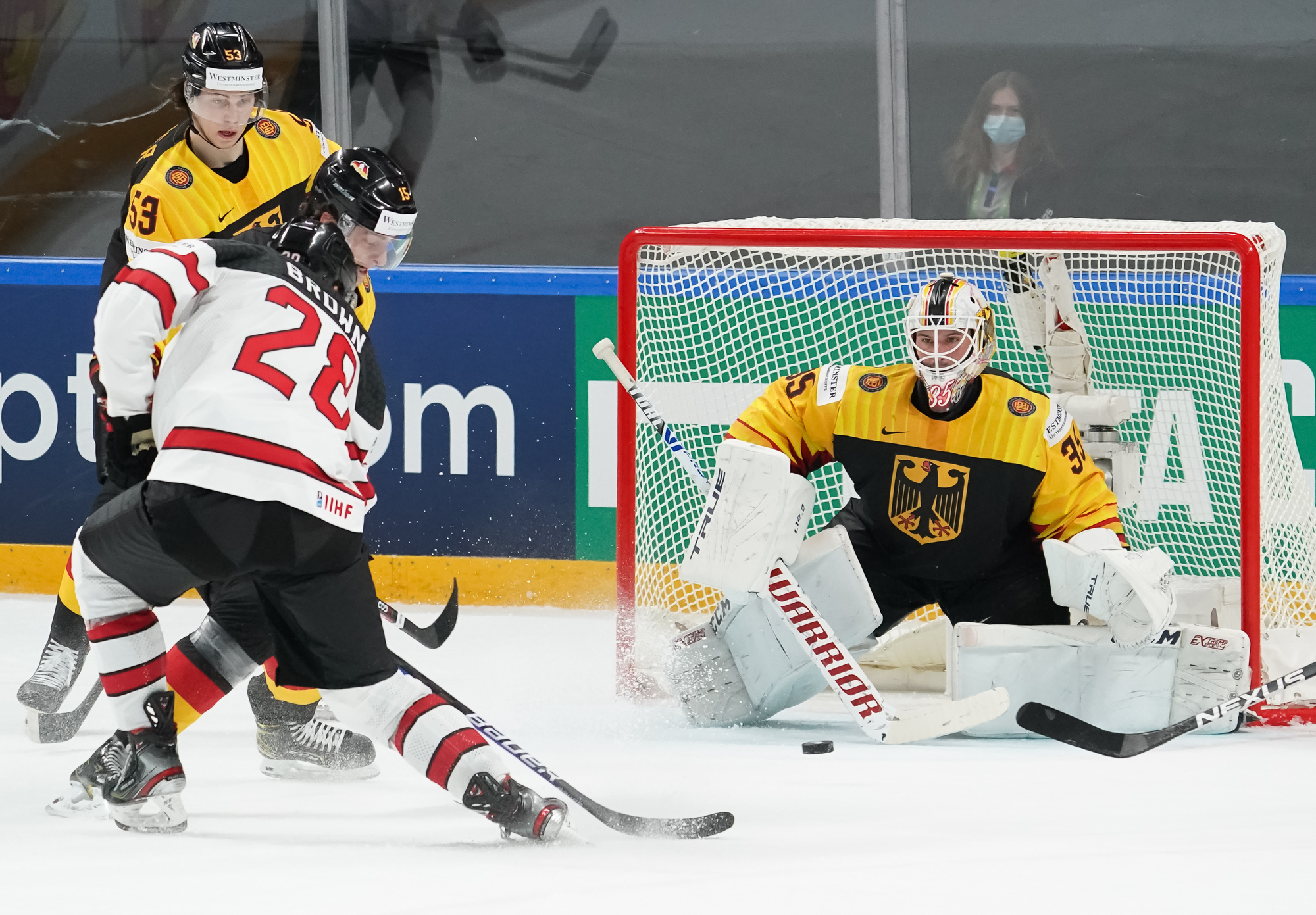 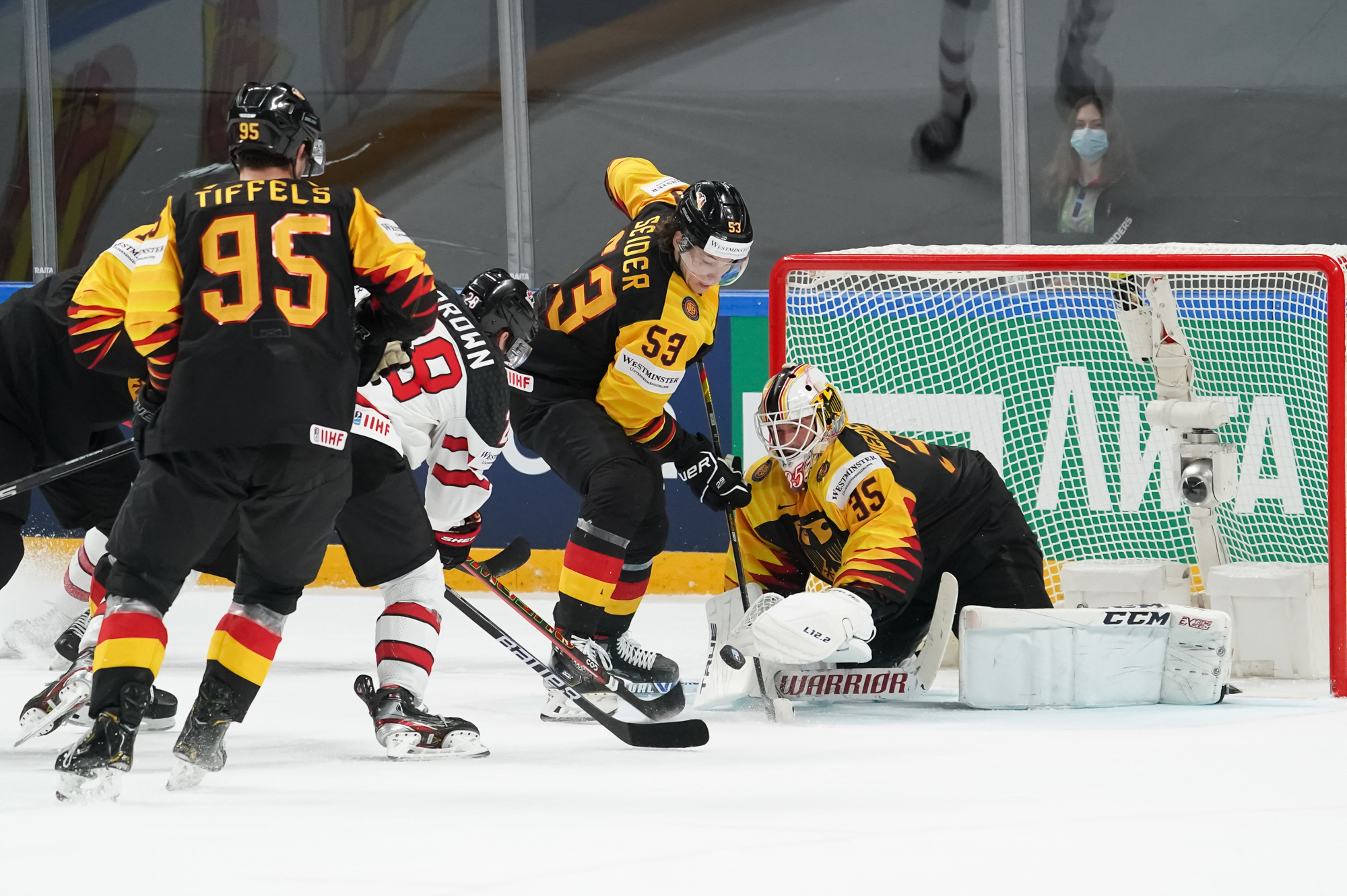 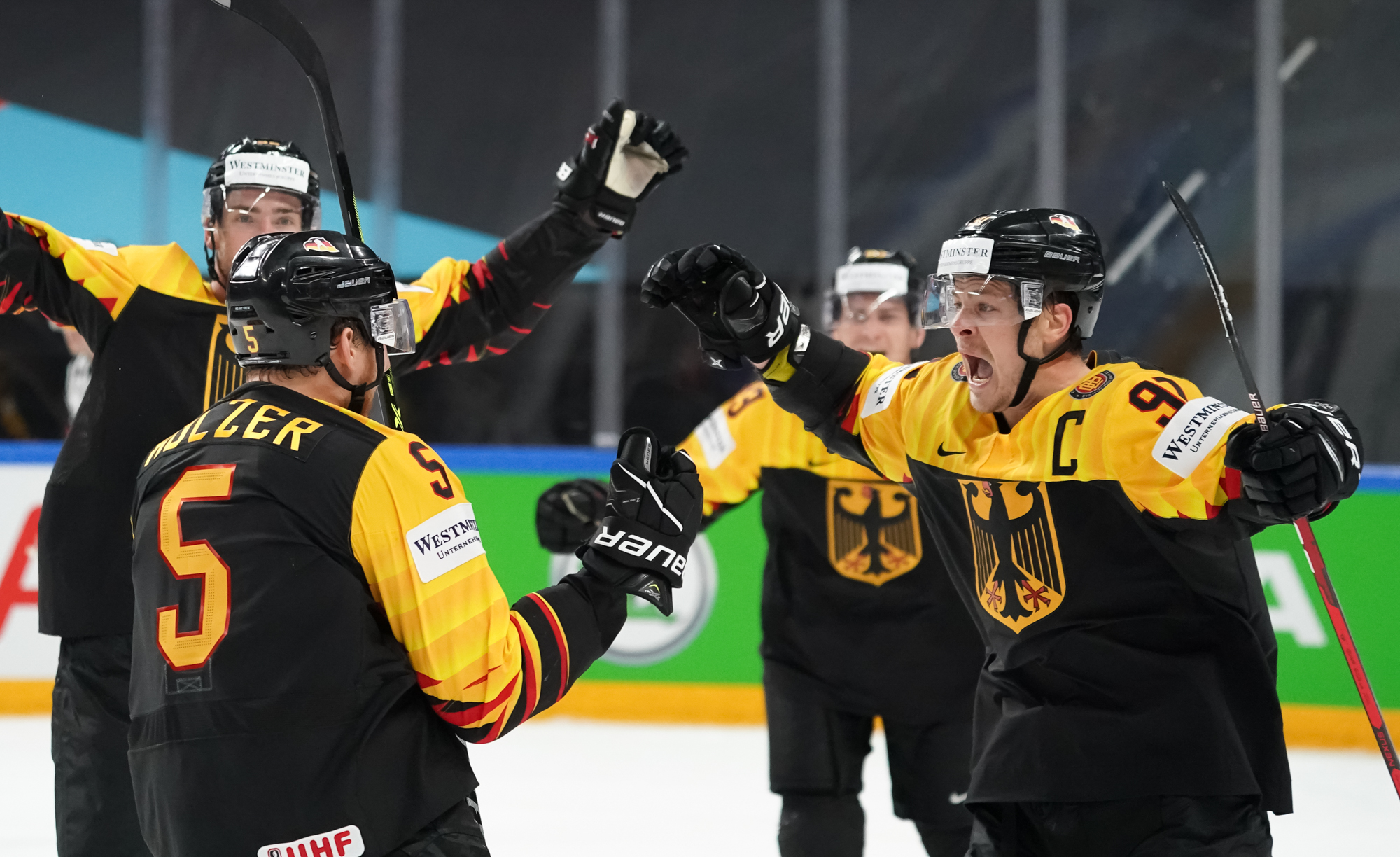 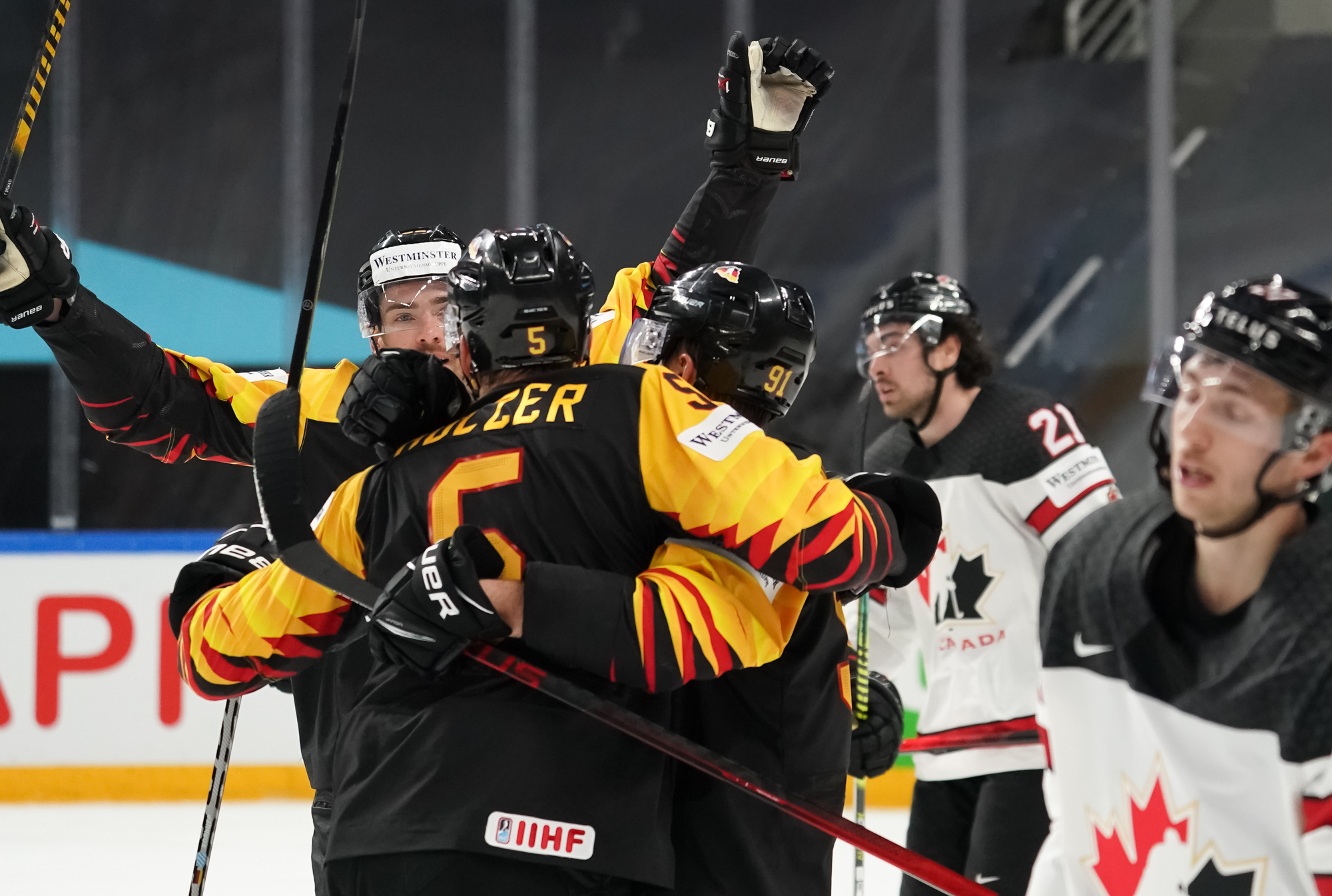 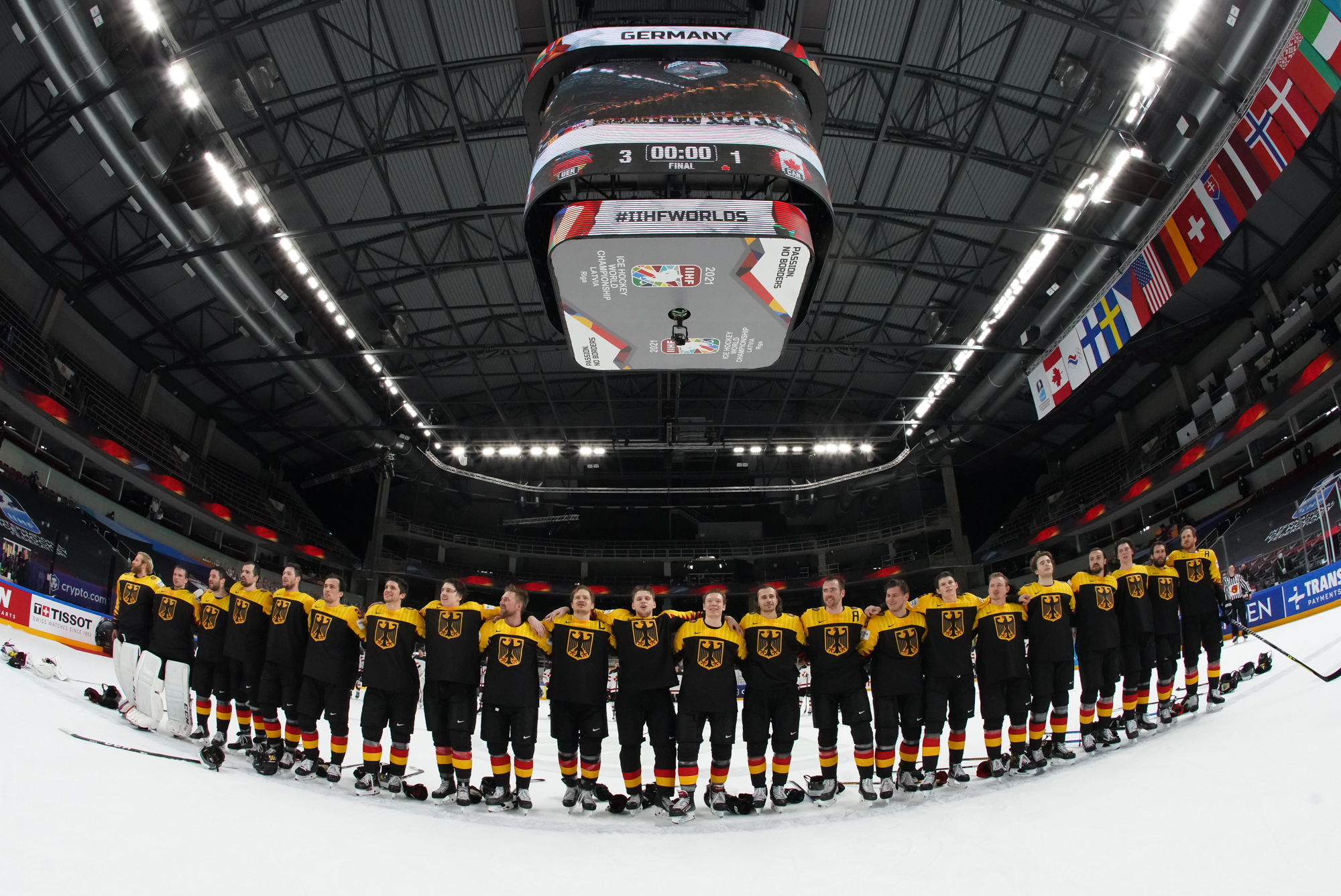 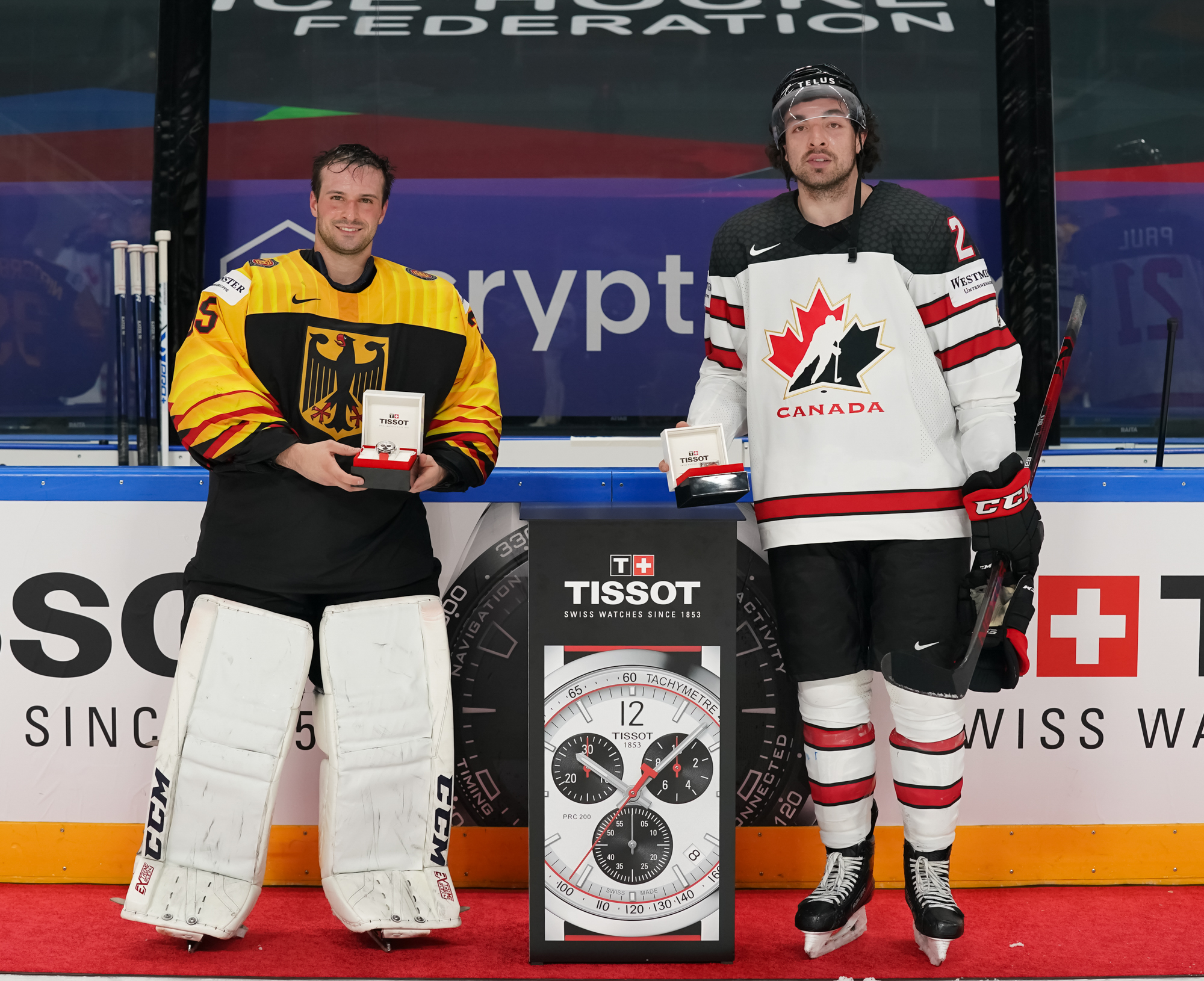 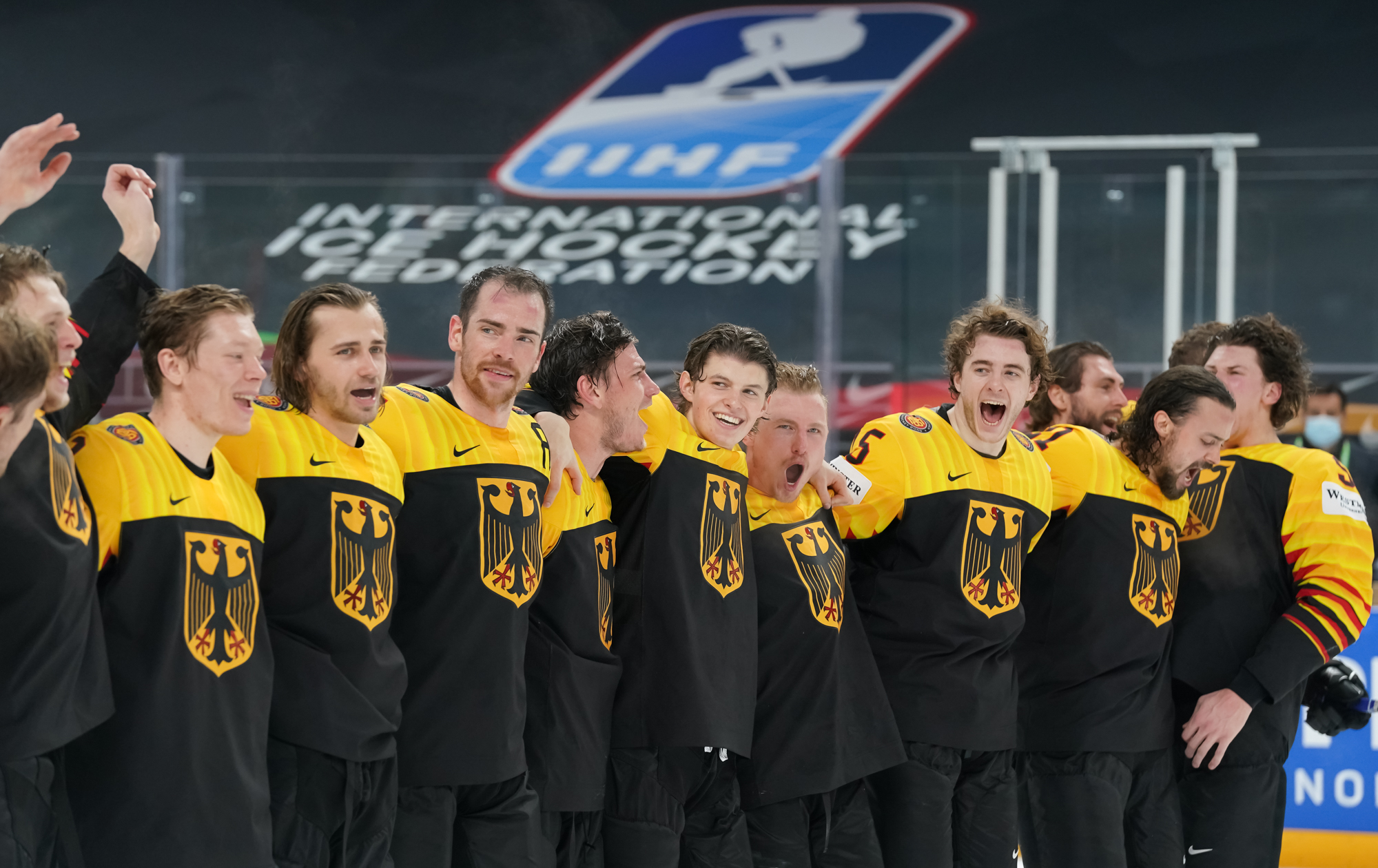