The U.S. trailed 1-0 through two periods but fought back to defeat the Czech Republic 2-1 in a shootout in Thursday's late game in Frisco. Lane Hutson scored the lone shootout goal with a nice five-hole shot.

“I just came in from the side and I was looking for an opening,” said Hutson. “I decided to beat the goalie before he could get down, so I tried to throw him off with a few stickhandles.”

In regulation, Sasha Pastujov scored the third-period equalizer for the Americans. Martin Rysavy had a first-period goal for the Czechs.

The host nation was relieved to come away with these two points in a hard-fought affair. Previously, coach Dan Muse's troops squandered a 5-1 lead in a 7-6 overtime loss to Russia and struggled to put away Germany in a 5-3 win.

“We had a bit of a slow start, but we built off of that and got better every period,” said U.S. captain Red Savage.

It was a resilient effort from Czech coach Jakub Petr's underdogs after they allowed three late power-play goals to Finland and lost 6-5 on Wednesday.

“We all know that the U.S. has one of the best teams in the history of the U18 World Championships,” said Petr. “Last night when we lost the game, it was a nightmare, not just for the coaches, but also the players. So the hardest job was our preparation for this game to get the guys back on track. We had a short meeting around 1 am last night, and they’re still kids. They’re boys around 17. They were crying last night in the locker room. I’m so proud of them. They got better, and it’s still group-stage hockey. We know that the main event is coming in a couple of days.”

“Big credit there to the Czechs and the way they competed,” said Muse. “I think there’s an identity to the way they played.”

Both sides debuted U18 Worlds netminders in the U.S.’s Kaidan Mbereko and the Czech Republic’s Oliver Satny. Mbereko kept his team in the game in the first period and was excellent despite having to leave for medical attention for more than 10 minutes in the third. He came back and stopped all five shots he faced in the shootout. Satny delivered a strong performance too.

“Kaidan definitely went through a ton of adversity throughout the game and this past week,” said Savage. “He's been our biggest fighter and our biggest backbone for this team.”

Physical play marked the first period, with the Czechs initiating much of the rough stuff in a bid to impose their will. Shots through 20 minutes favoured the Czech Republic 18-8.

Early on, the U.S.’s Ty Murchison got knocked right over the boards at center ice. The Czechs applied fierce pressure during their opening power play with Ryan Chesley off for tripping, but couldn’t find the range. Later, big American forward Charlie Stramel pushed Simon Marha into the back of Mbereko’s net, causing the cage to fall (harmlessly) on top of the goalie.

“We tried to go into this game with a hard, aggressive forecheck,” said Czech forward Jakub Kos.

At 15:57, the Czechs’ persistence paid off. They busted into the U.S. zone and Rysavy converted Petr Moravec’s centering feed from behind the goal line to make it 1-0. The net came off its moorings on the play, but the goal counted.

With Rysavy off for cross-checking to close out the period, the Americans staged a furious attack with the man advantage. However, Ty Gallagher, whose two power play goals against Germany made him the all-time leading scorer among NTDP defenceman (24), missed an almost-open net and assistant captain Aidan Hreschuk rang one off the post.

The U.S. came out with renewed intensity in the second period. Near the five-minute mark, with a delayed penalty coming up to the Czech Republic's Jakub Altrichter, Savage was stoned on a great one-timer attempt by Satny. But as the period wore on, the Czechs played a grinding game that limited U.S. opportunities to get back into it.

As in the first, the Americans showed signs of life before the siren. Hutson nearly handcuffed Satny with a shot through traffic, and fellow defenceman Sean Behrens steamrolled Simon Marha with a hit in the American zone. But again, Muse's boys had nothing to show for it.

In the third period, Pastujov finally got the U.S. on the board at 2:35, winging a shot from the right faceoff circle on a nice set-up from Hutson. Pastujov, a projected 2021 first-round NHL draft pick, leads the U.S. with three goals and two assists, and the Florida-born forward has points in every game in Frisco.

“The goal there was obviously a huge goal, and something we’ve seen out of Sasha throughout the year that I’ve worked with him,” said Muse.

A few seconds later, Mbereko apparently strained himself and had to go off after Czech defenceman David Jiricek put a shot off the cross bar. The play was video-reviewed to confirm the puck did not cross the goal line, and Gibson Homer, who started the first two U.S. games, took over in net. However, Mbereko returned to the game just over 11 minutes later.

With the Americans pressing late for the go-ahead goal, Czech defenceman David Jiricek lost his cool in front of his own net and was sent off for roughing at 19:48. However, the Czechs killed off what turned into a 4-on-3 man advantage in overtime despite massive U.S. pressure.

“I’m proud of our team,” said Kos. “I think we deserved to win this game.”

Even though it didn't come easy, the final result maintained the American history of dominance over the Czechs in U18 Worlds play. As of now, the U.S. has won 13 games in regulation against the Czech Republic, with two shootout wins, one overtime loss, and one regulation-time loss. The Czechs previously beat the U.S. 5-4 in a shootout in 2001 and 1-0 in regulation in 2002.

The Americans continue their quest for their all-time record 11th gold medal when they face Finland on Saturday to finish up the preliminary round. The Czechs will battle Russia earlier that day.

Of Finland, Savage said: "They're a really good team with tons of skill. So I expect them to come out hot and keep pushing hard for the full 60. It's going to take a full game for us to be able to beat them." 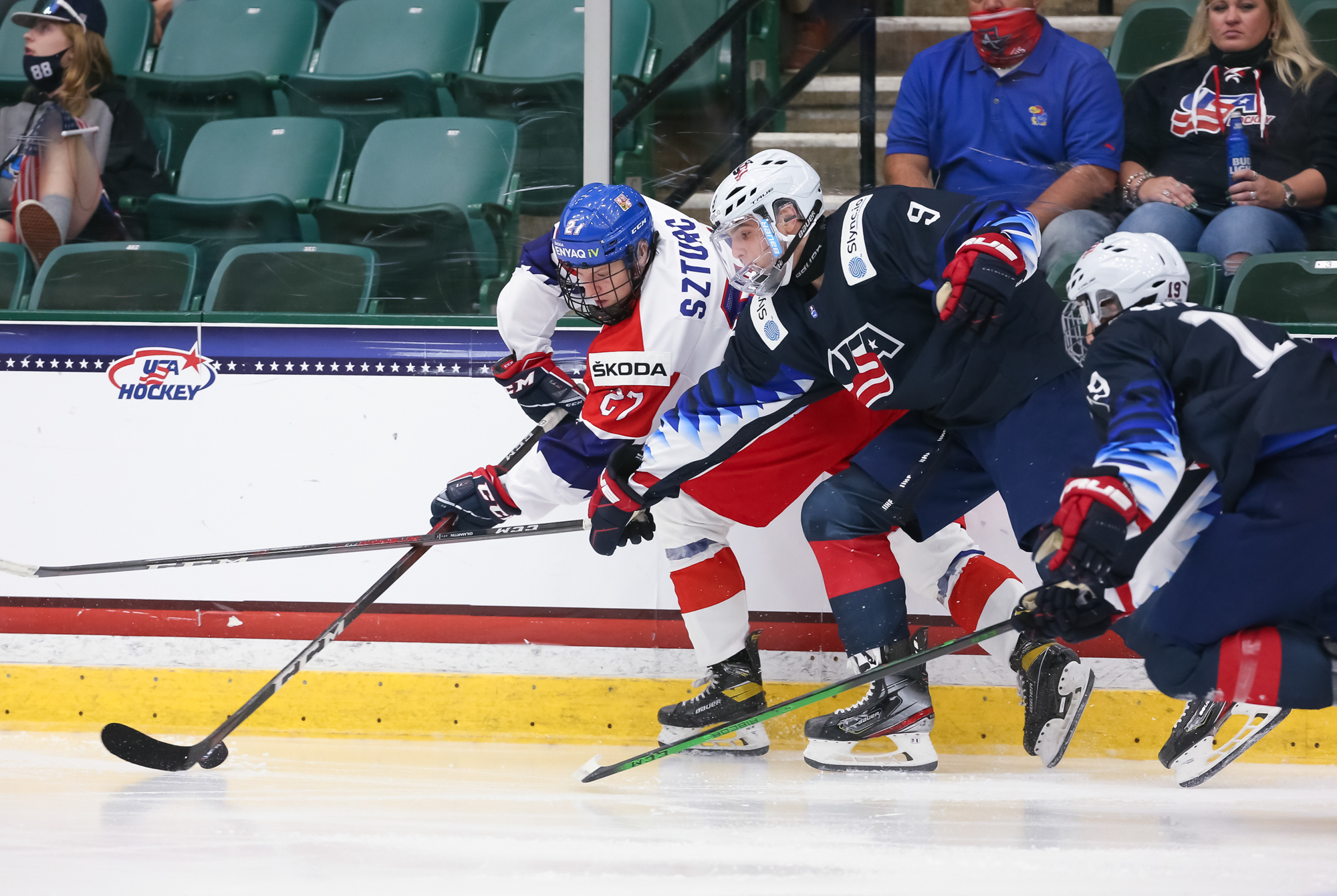 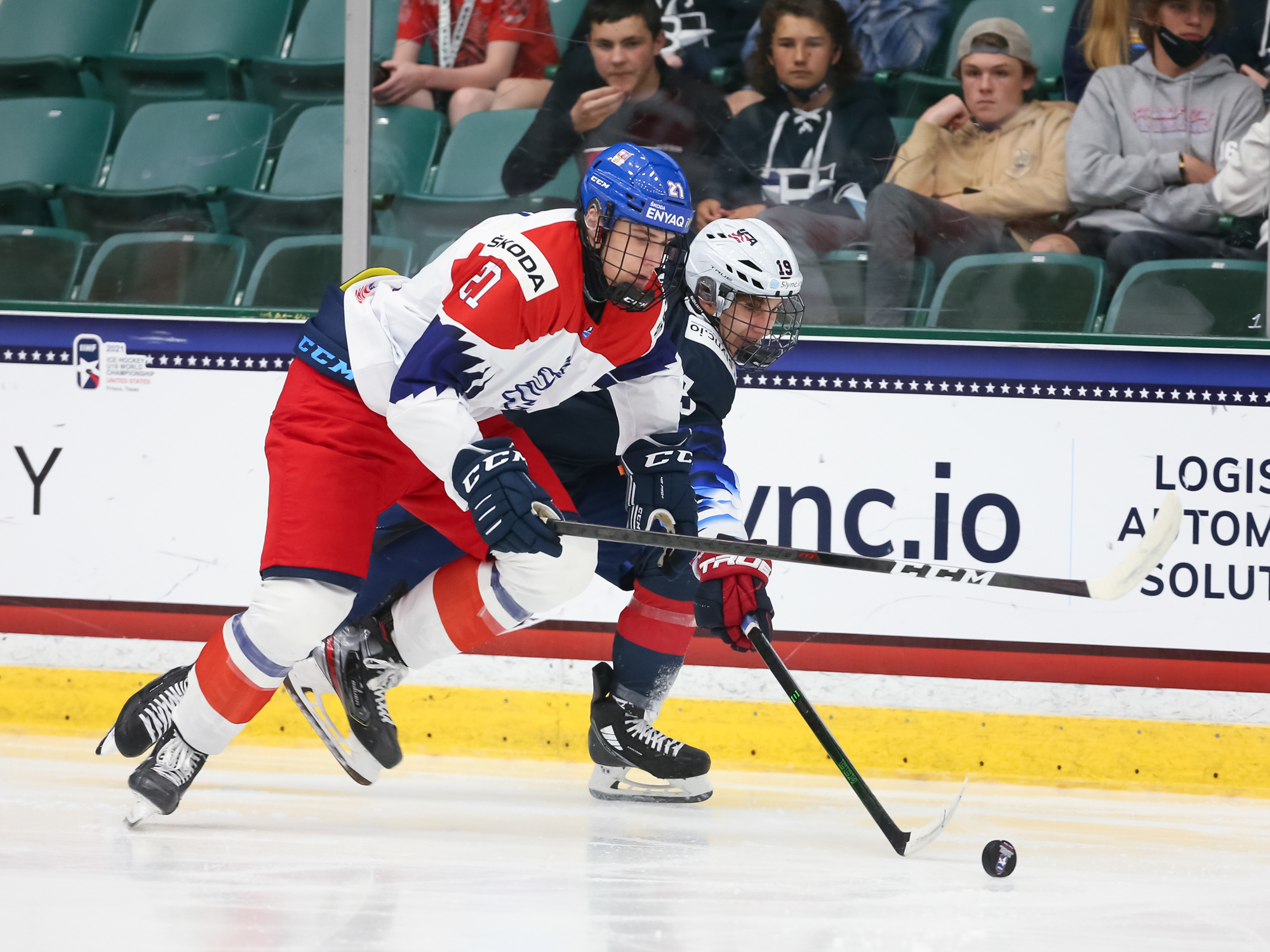 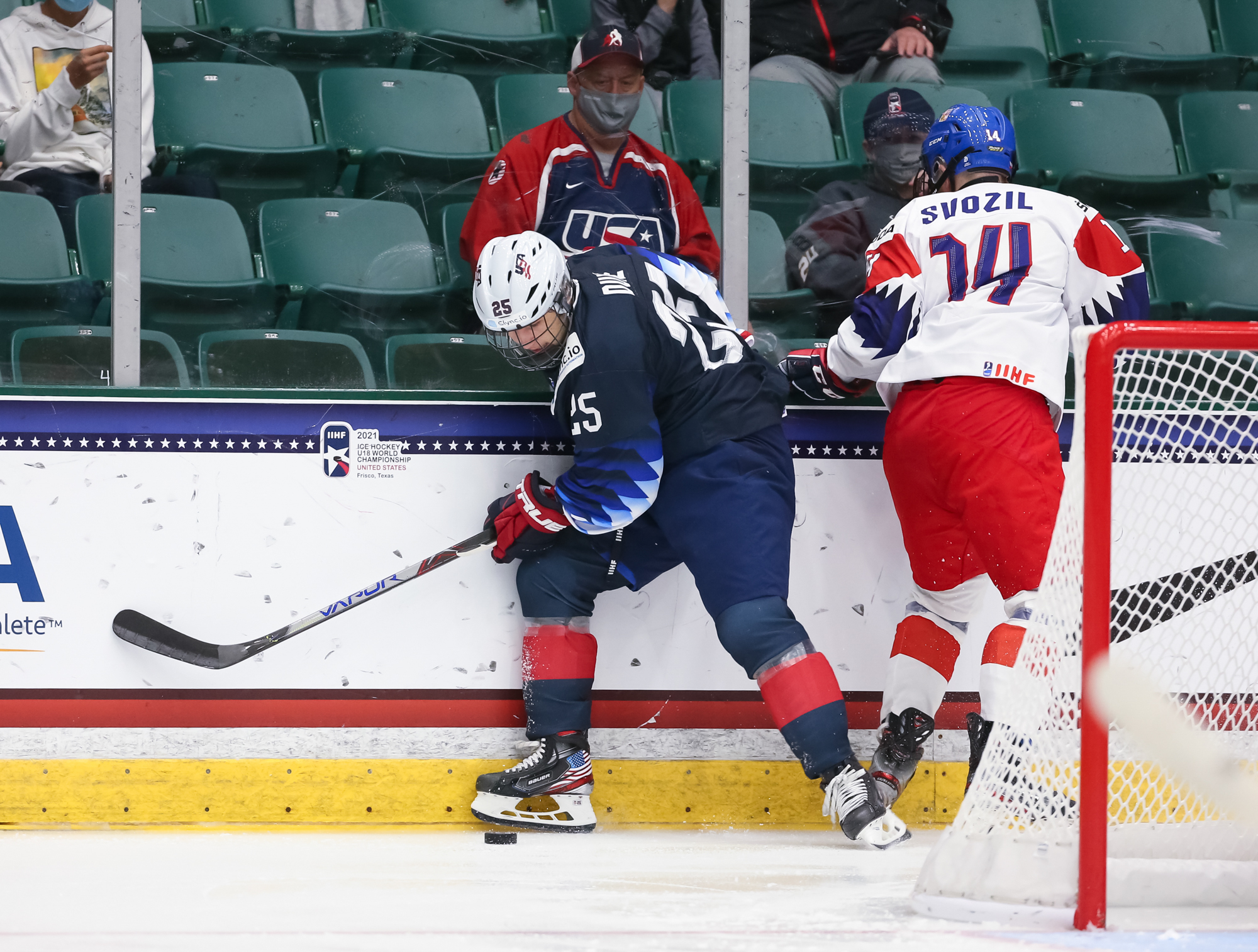 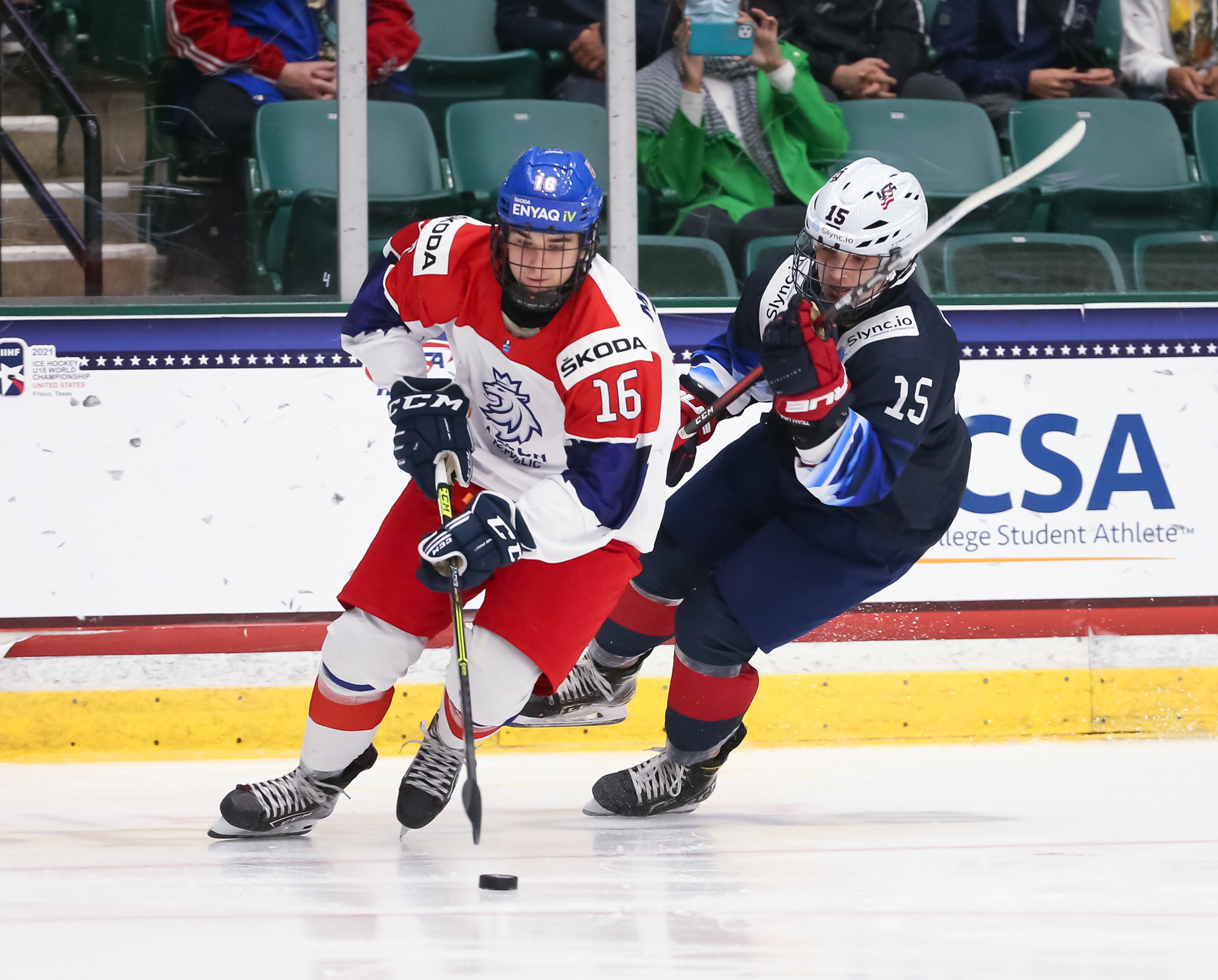 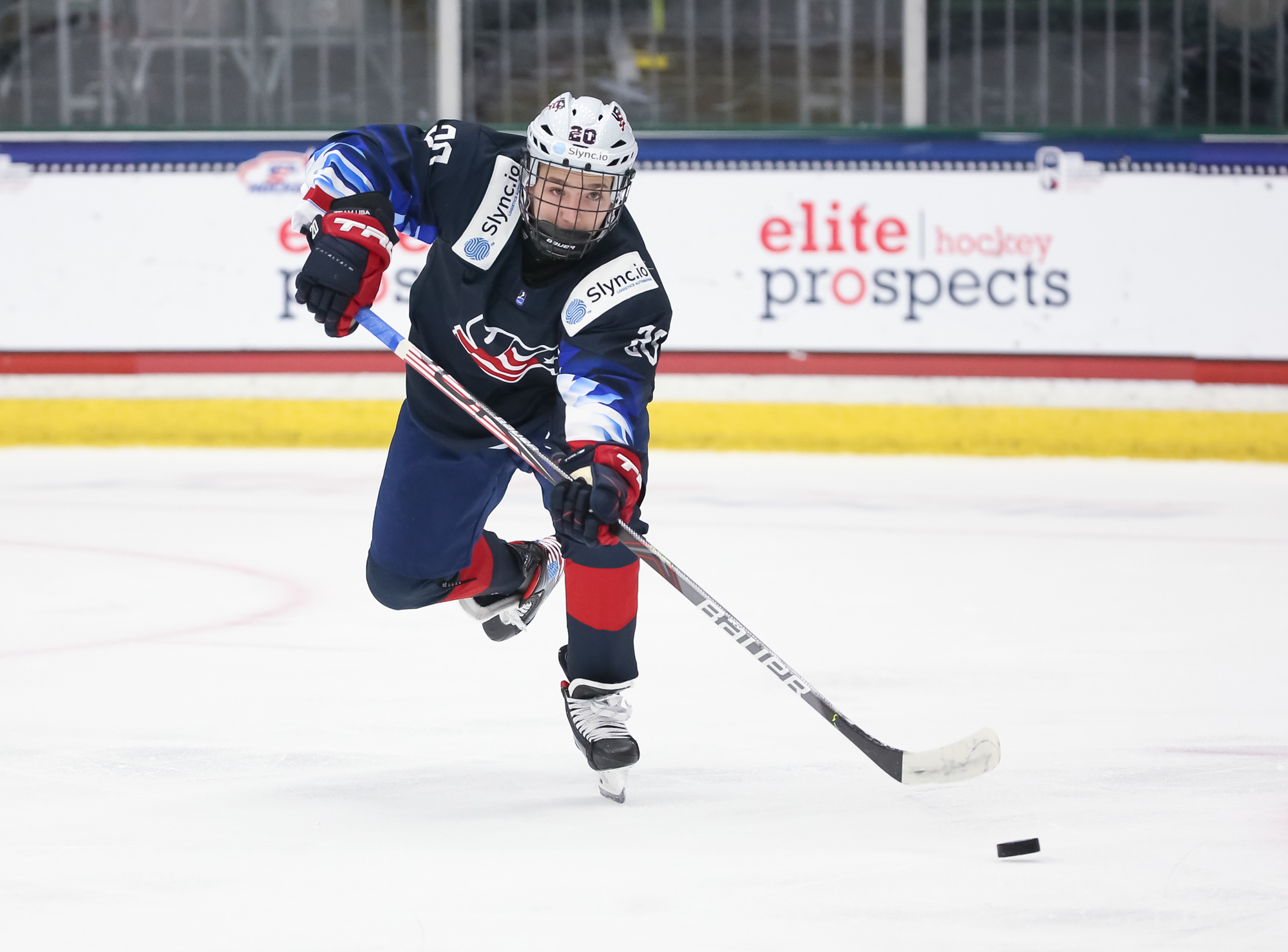 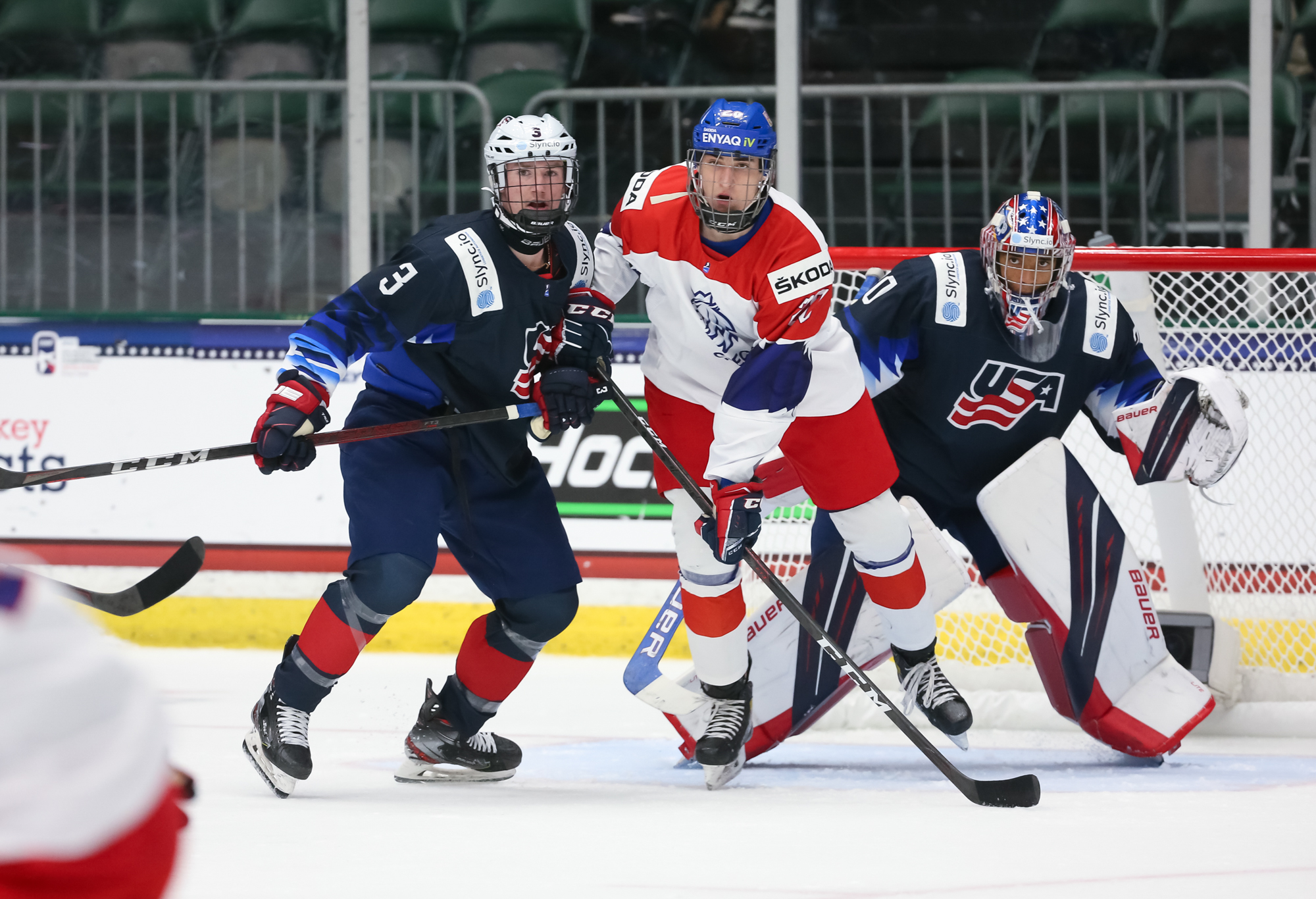 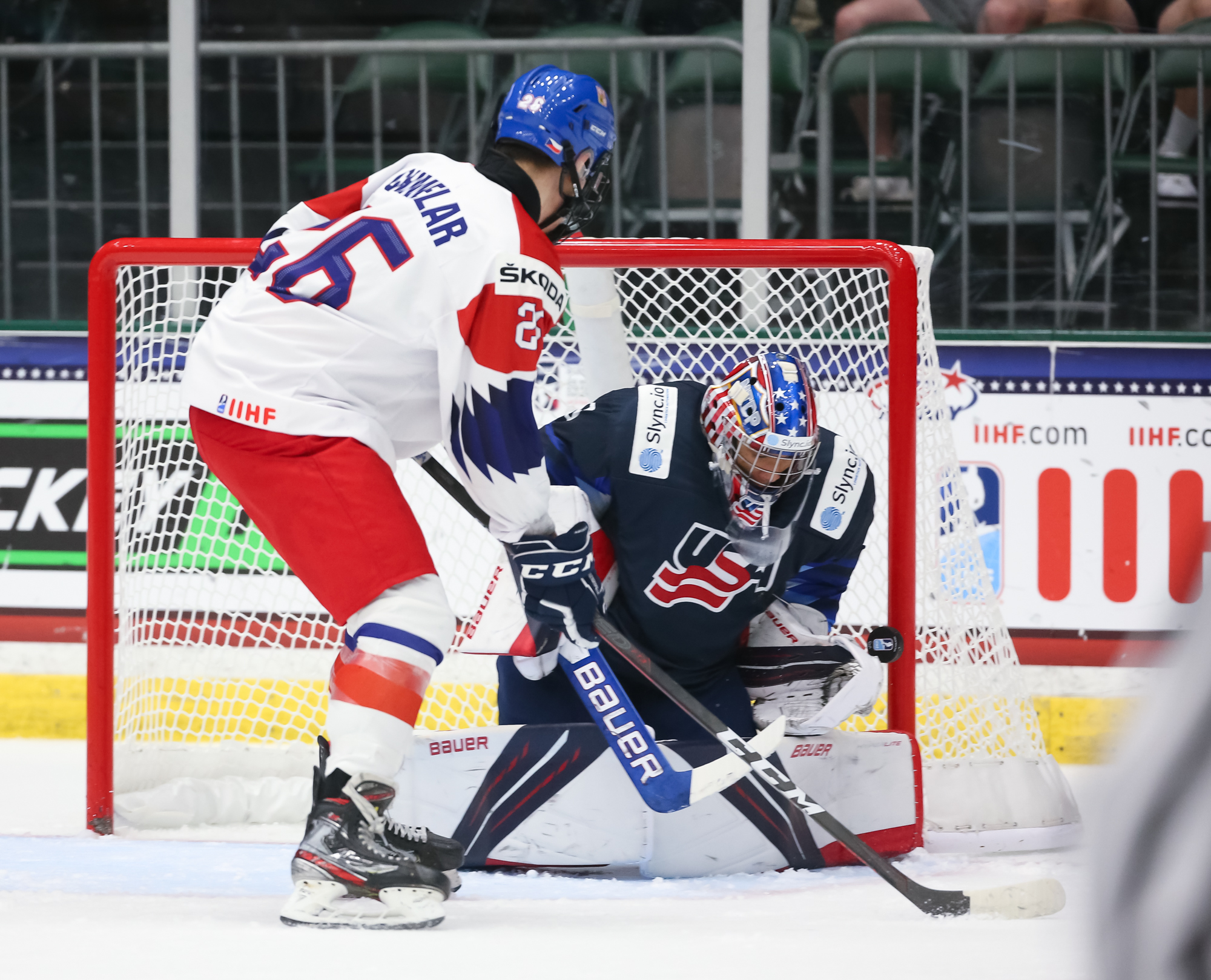 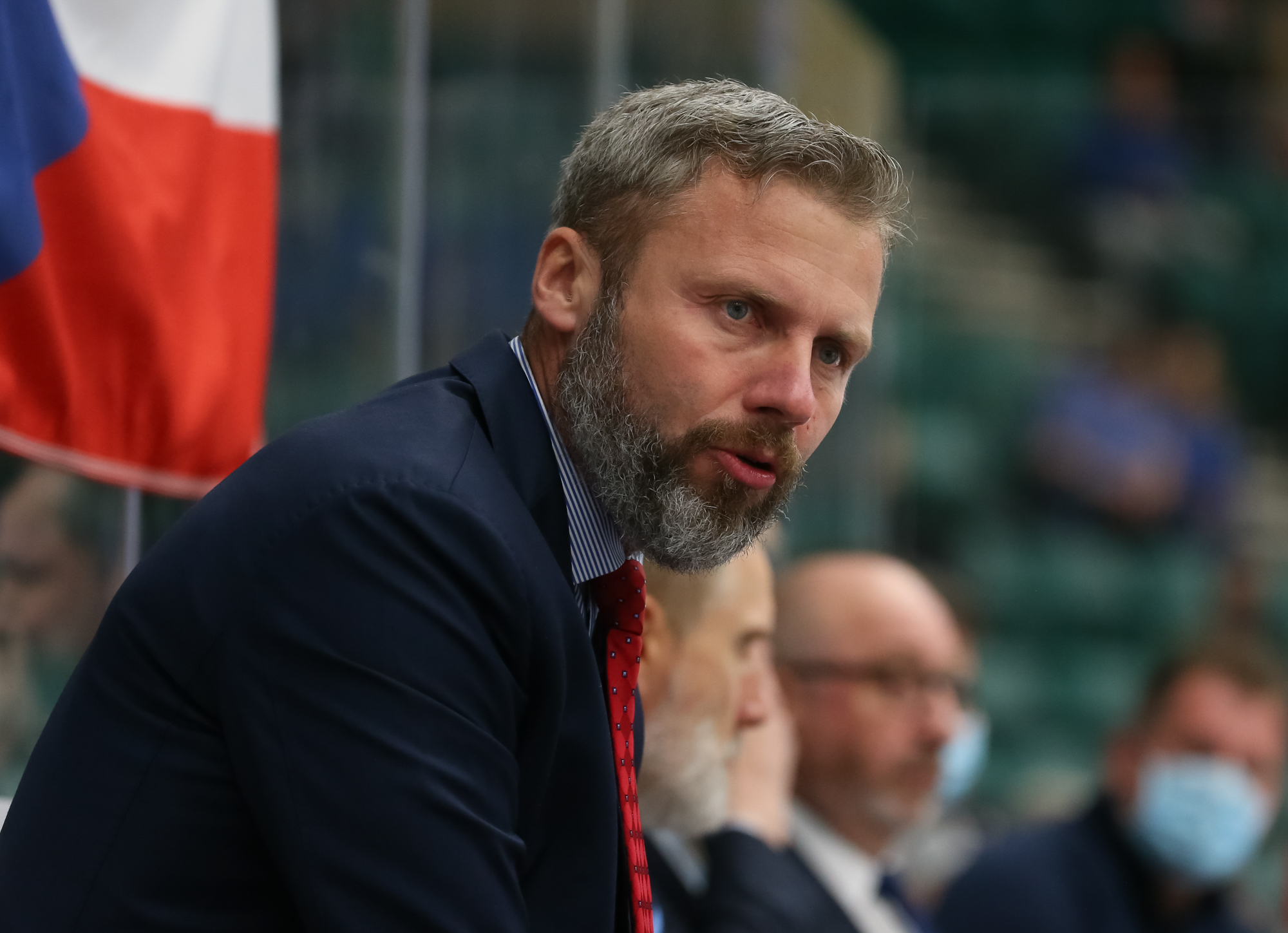 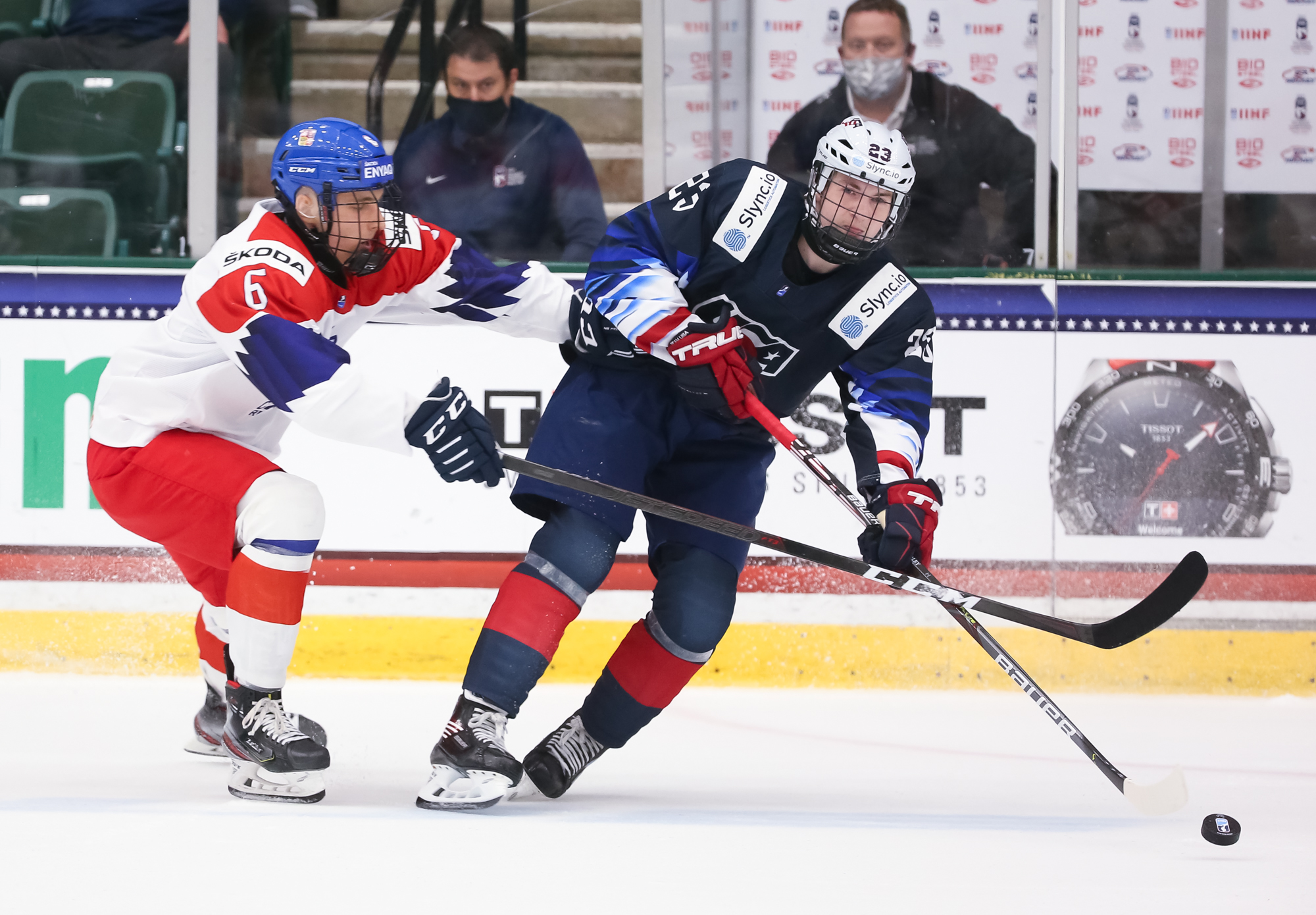 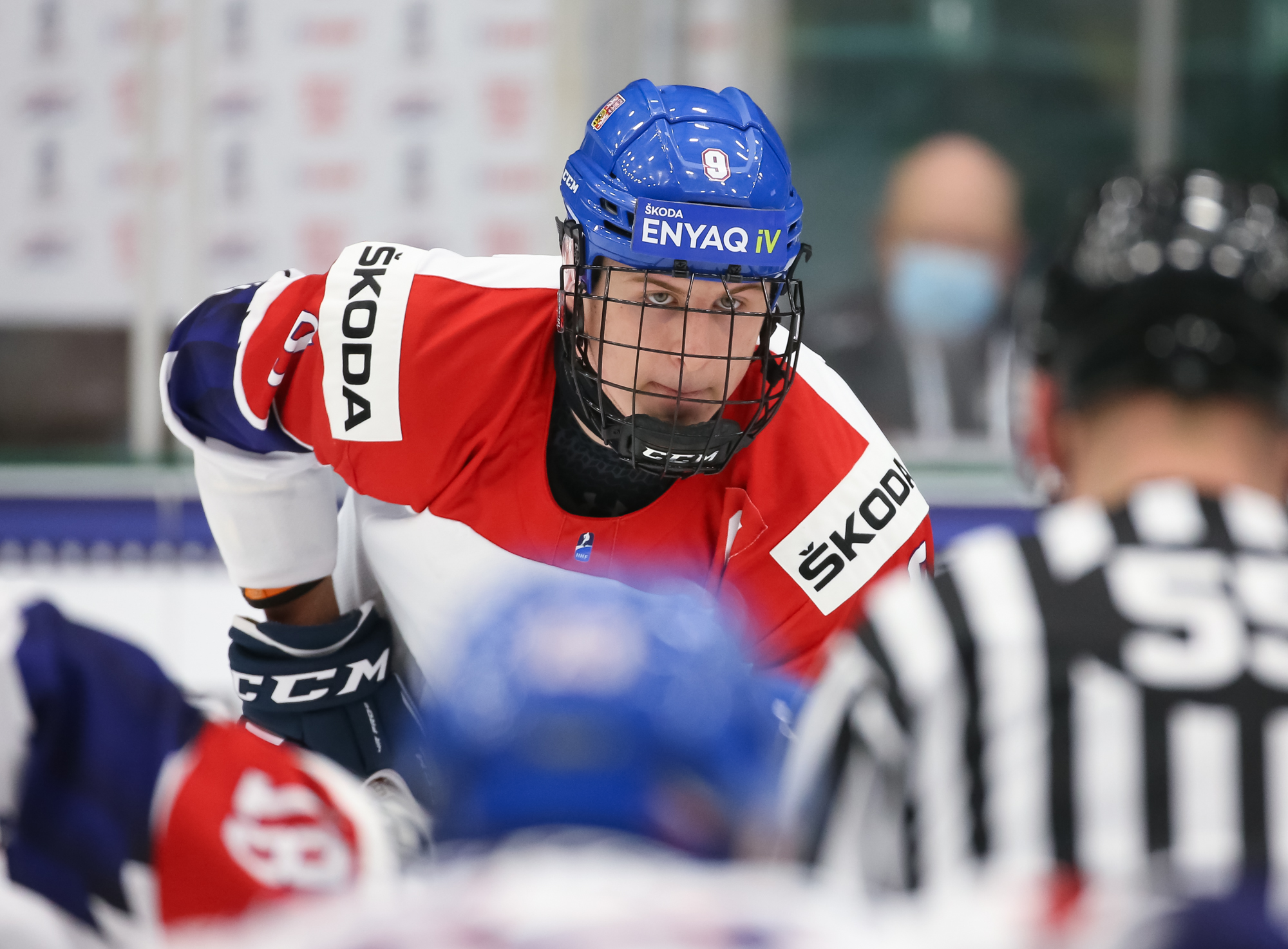 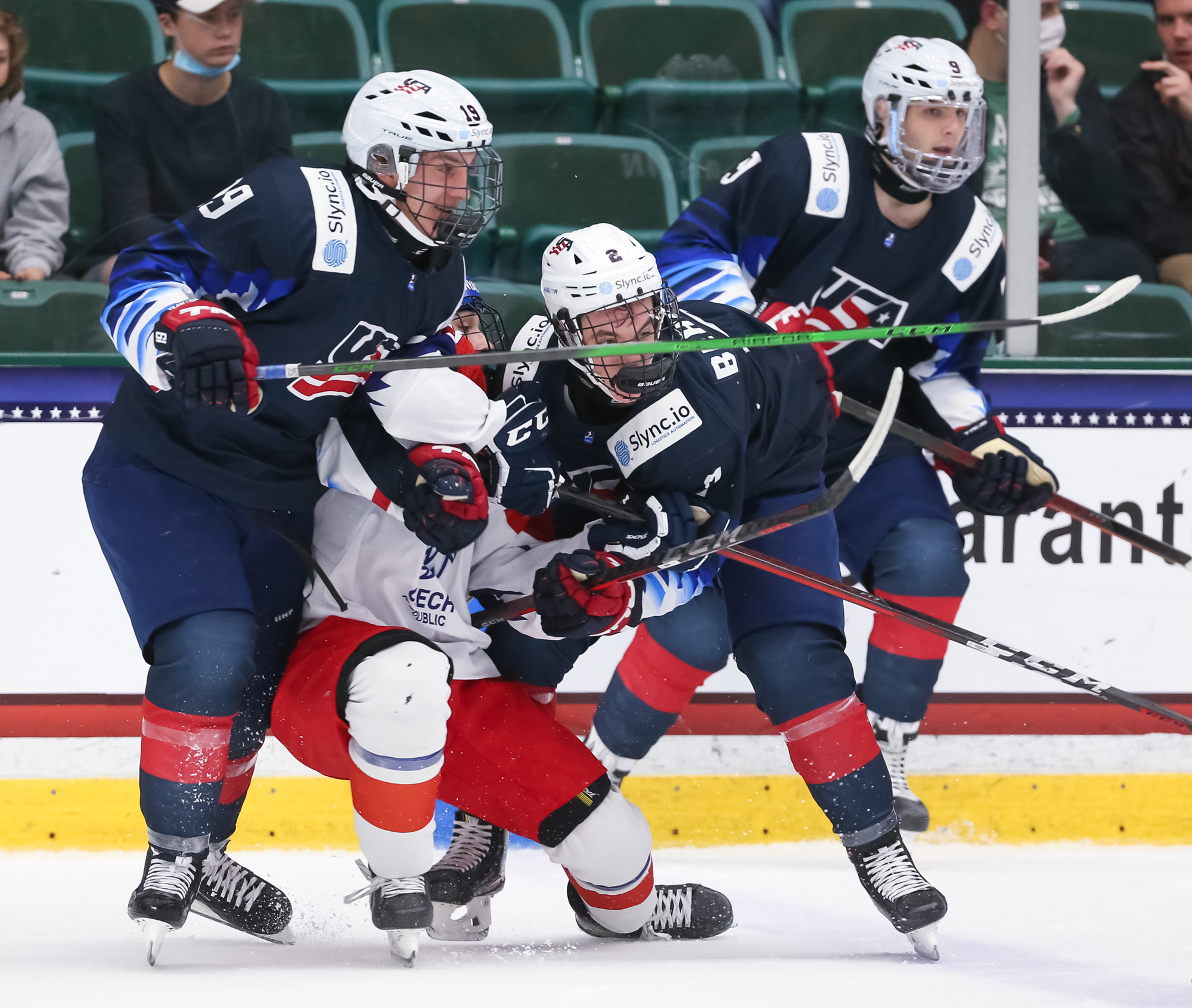 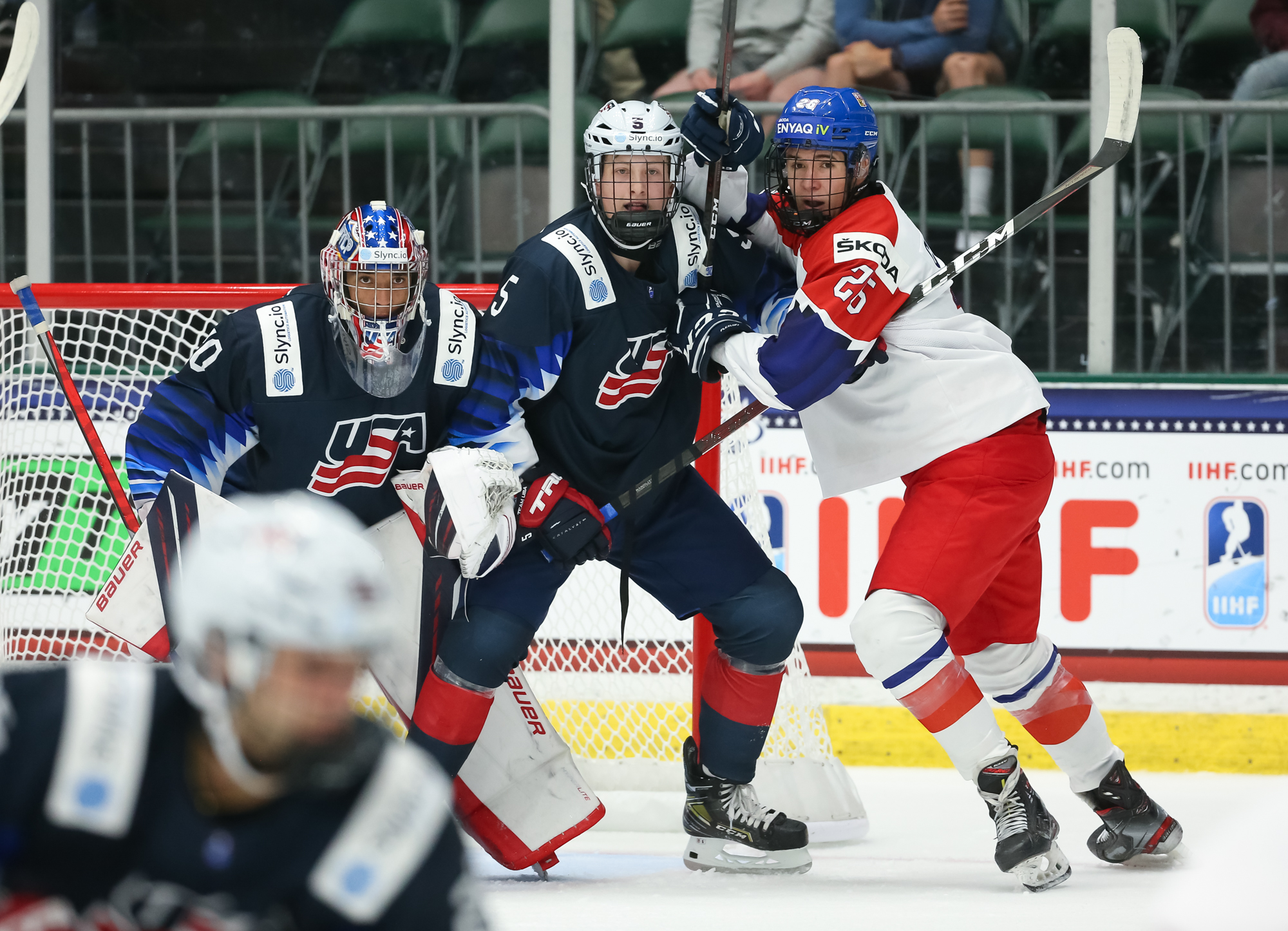 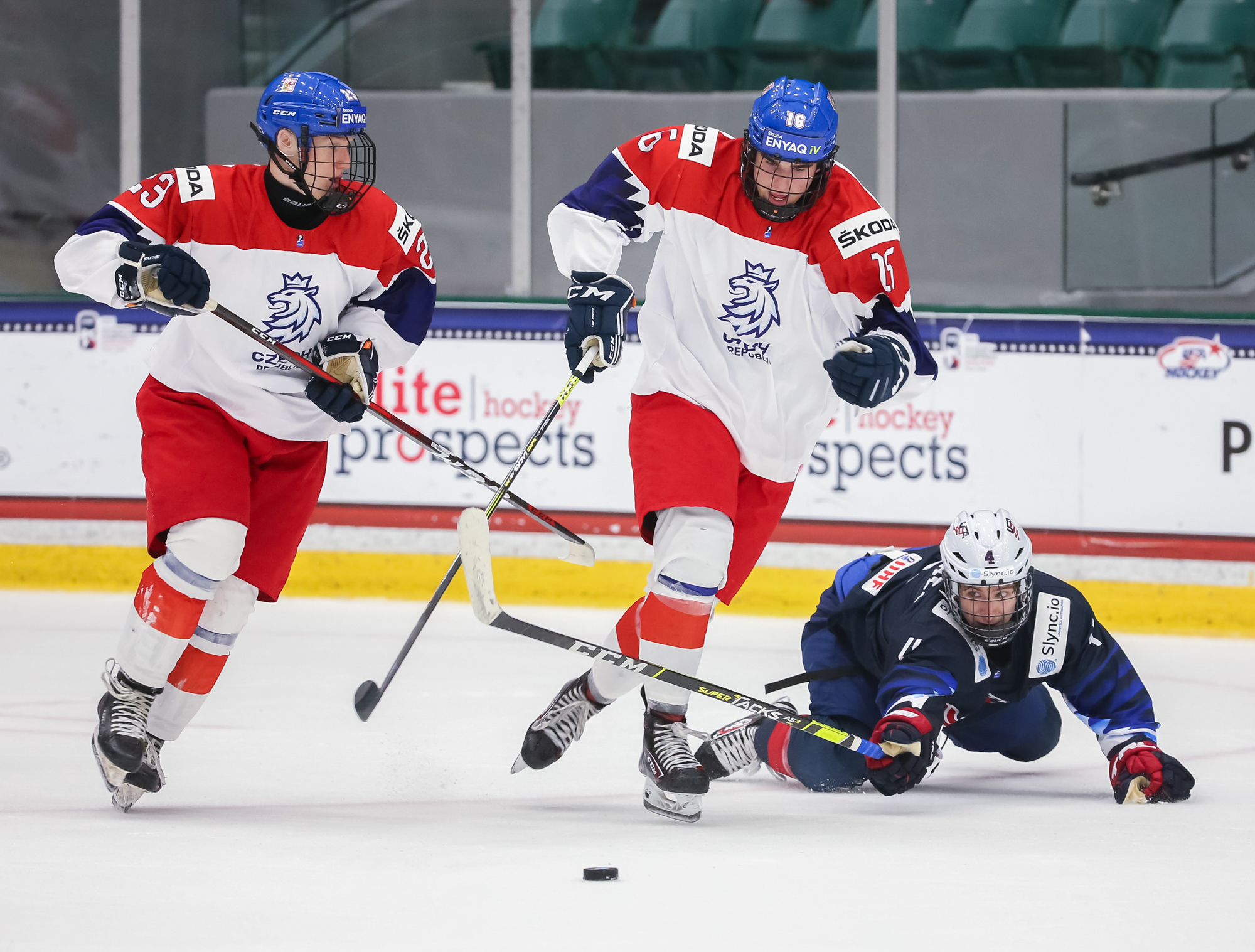 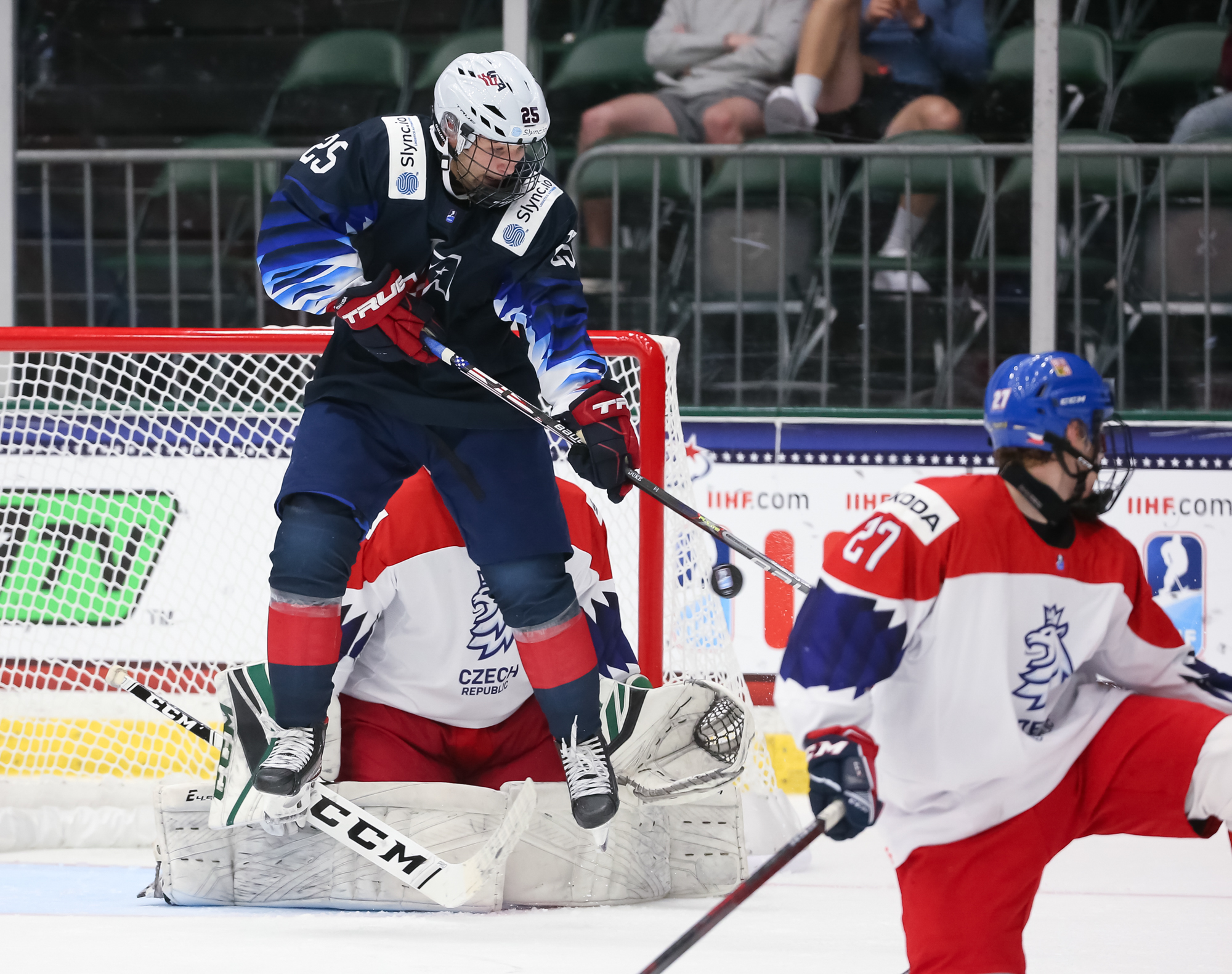 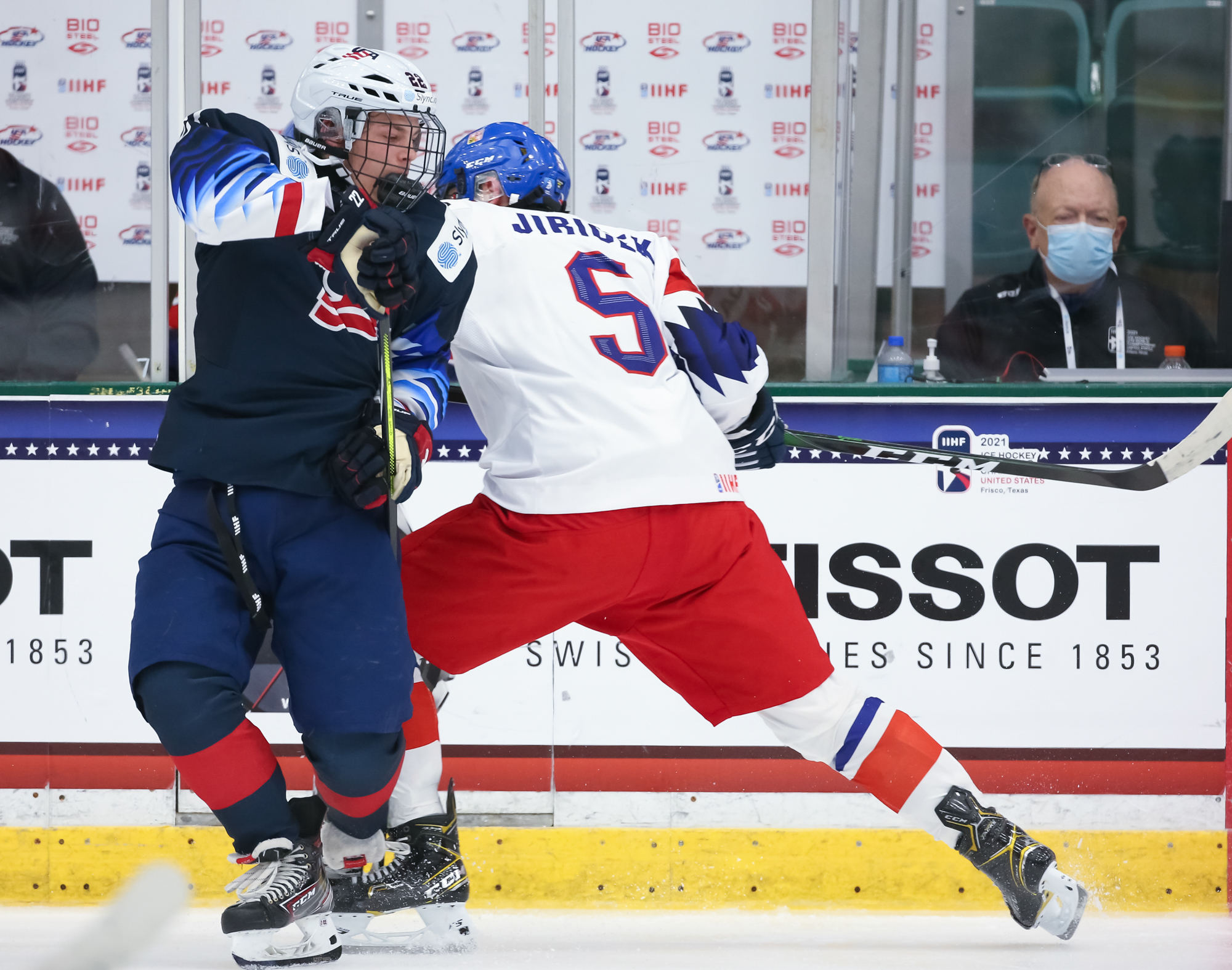 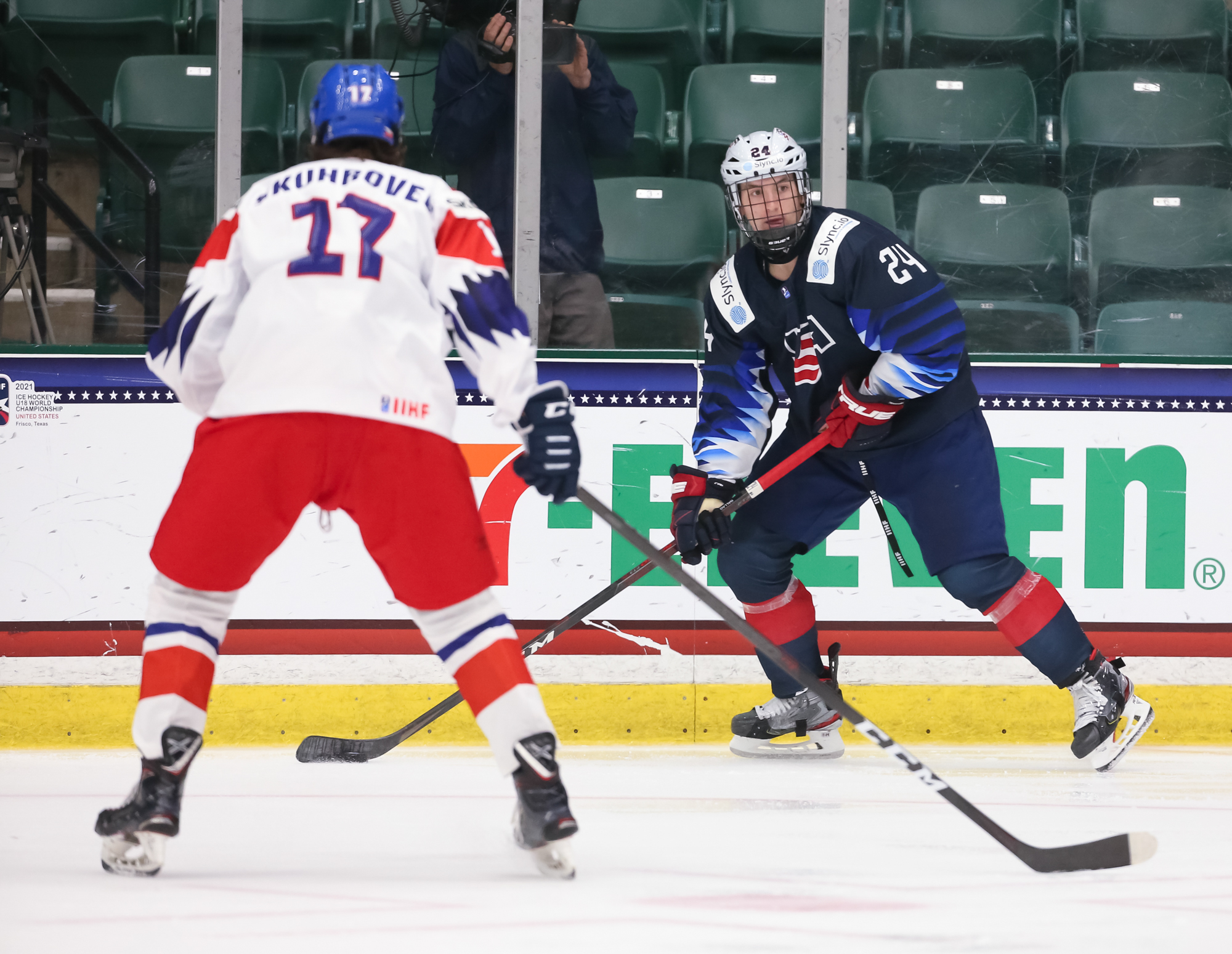 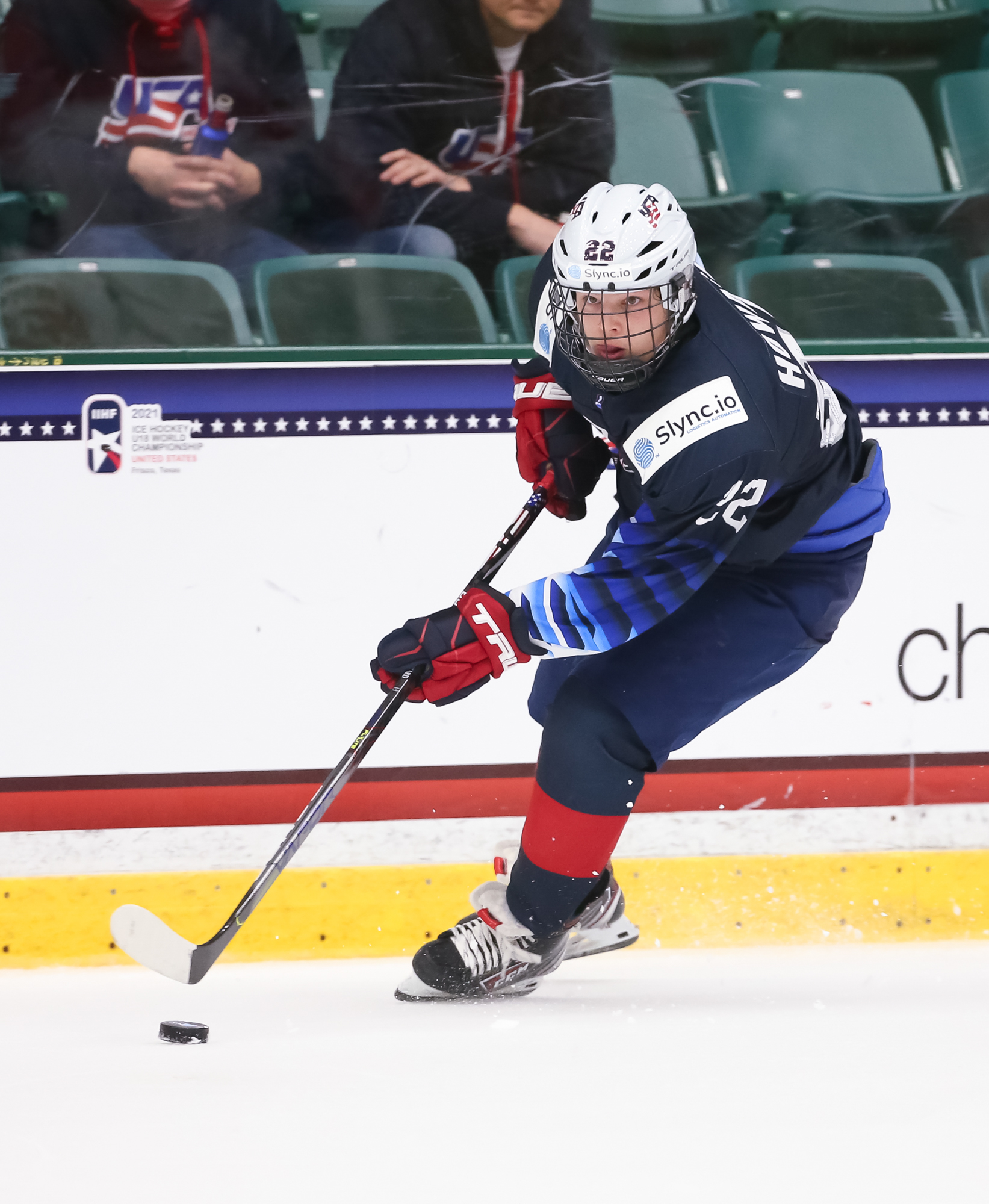 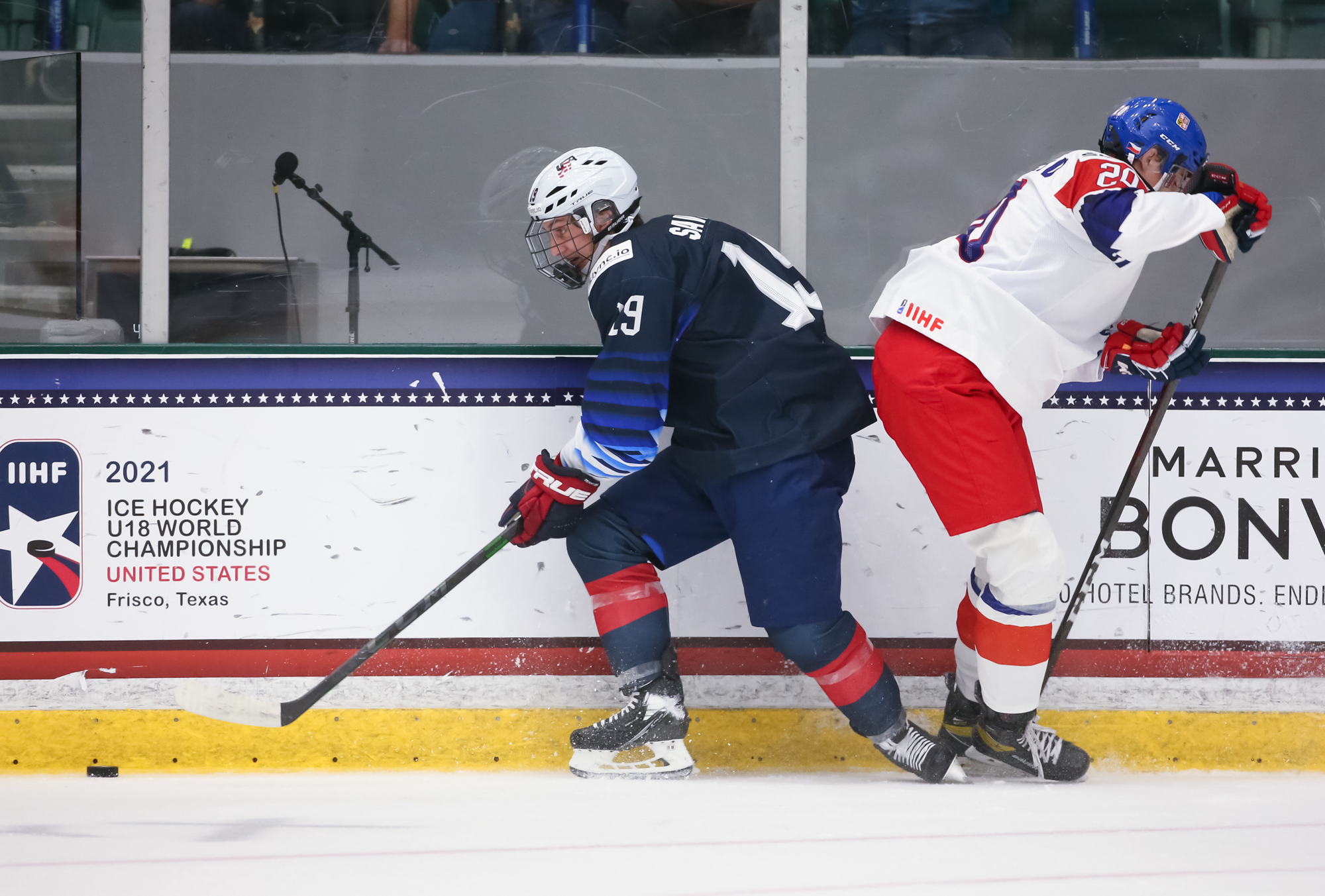 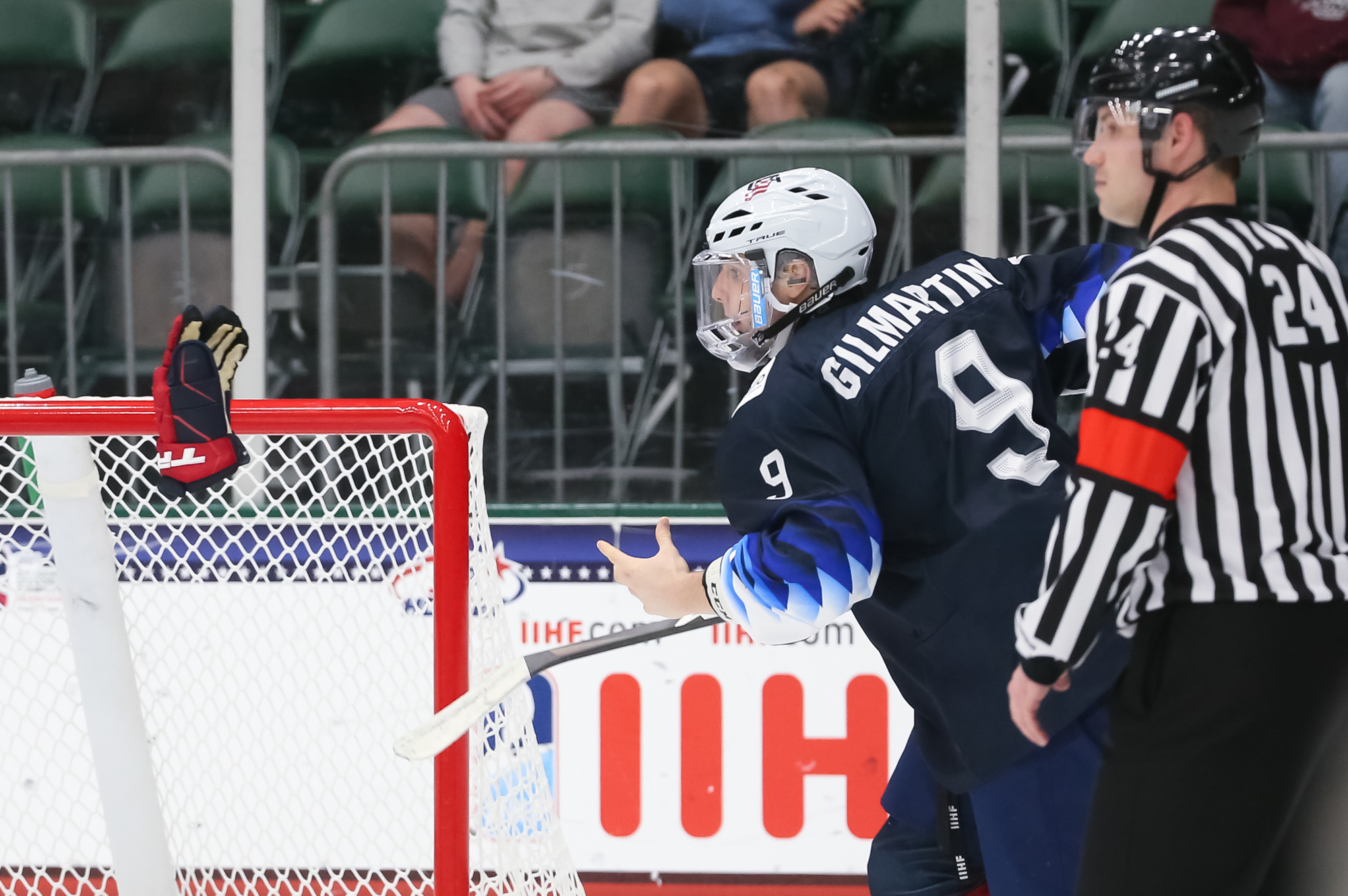 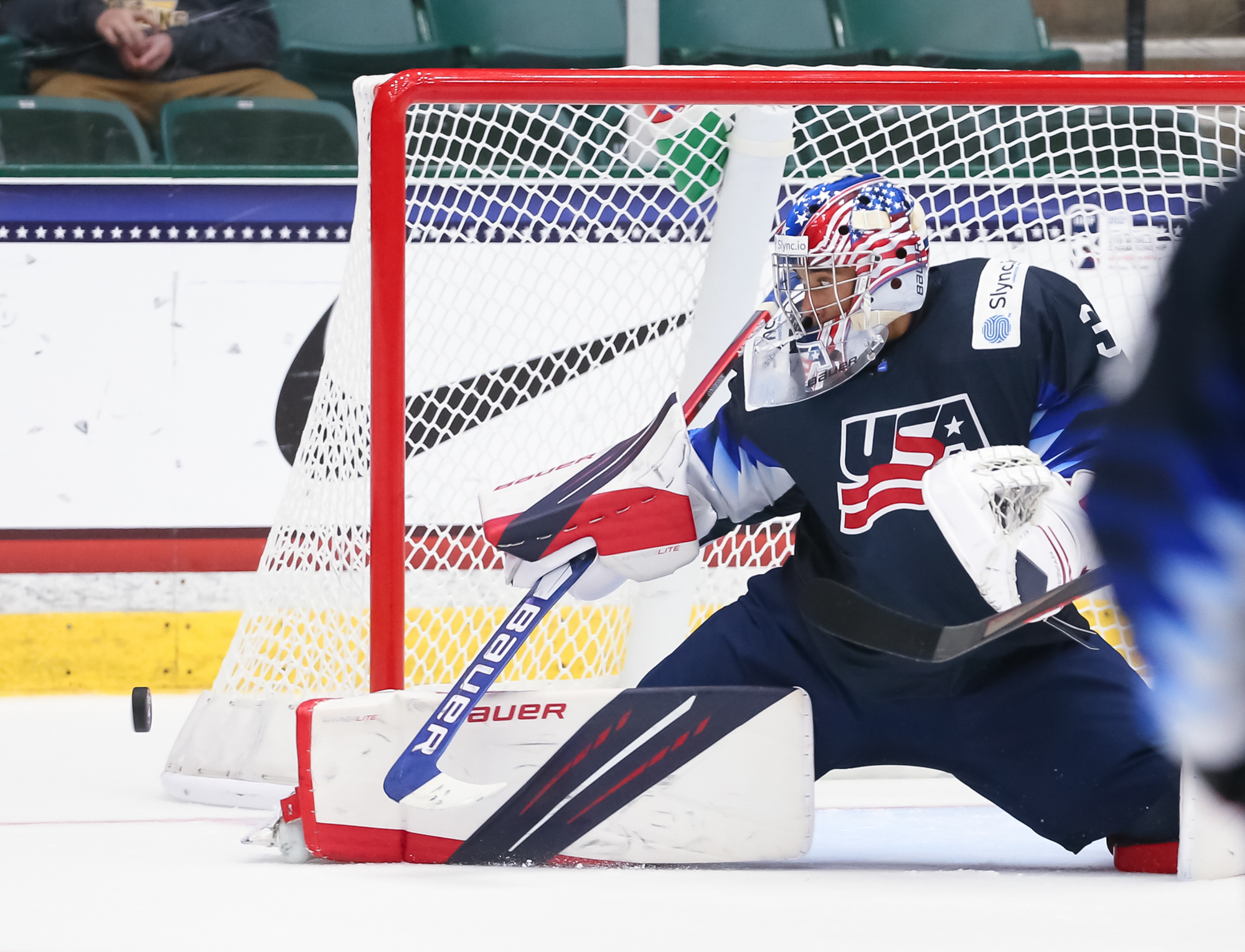 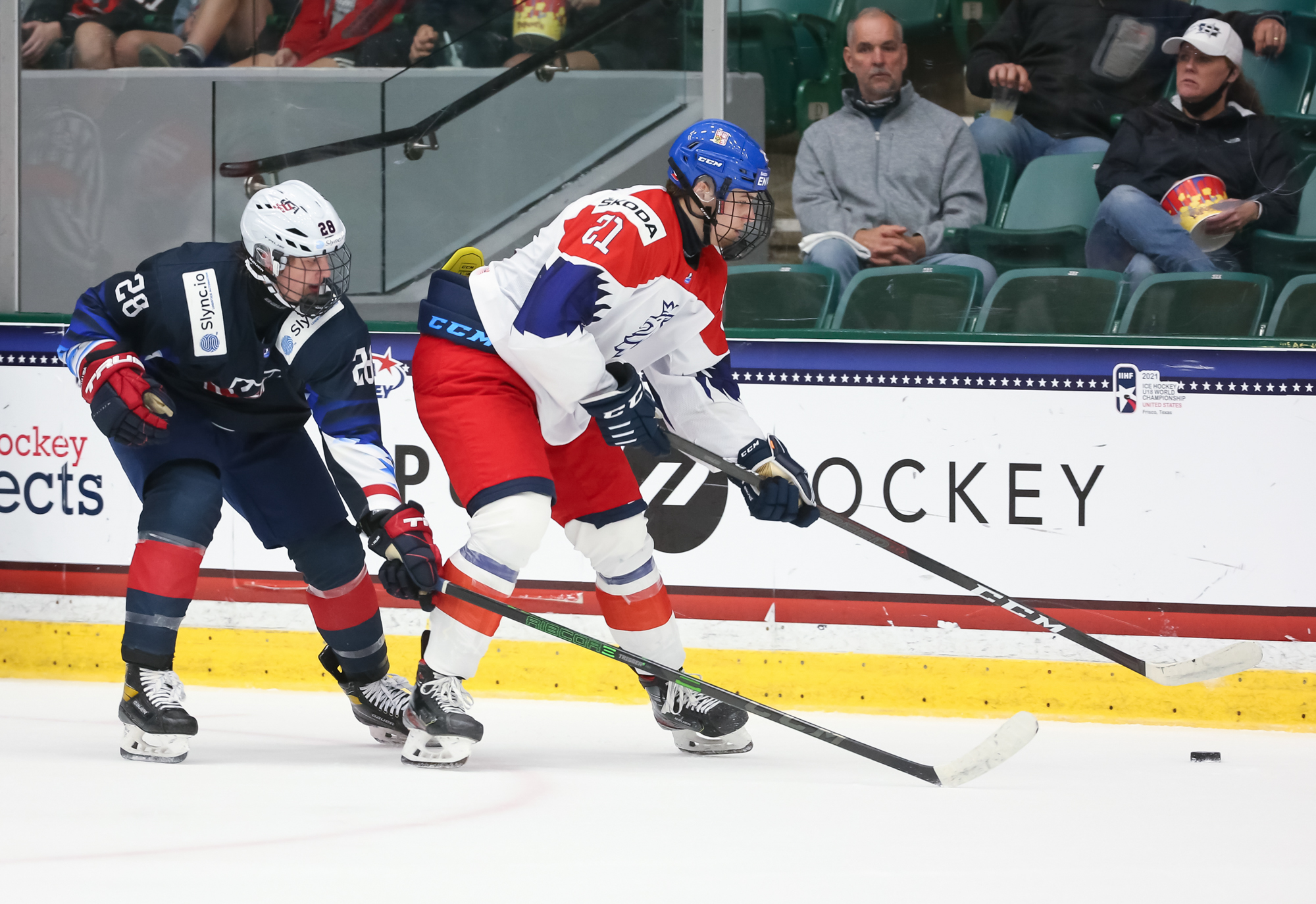 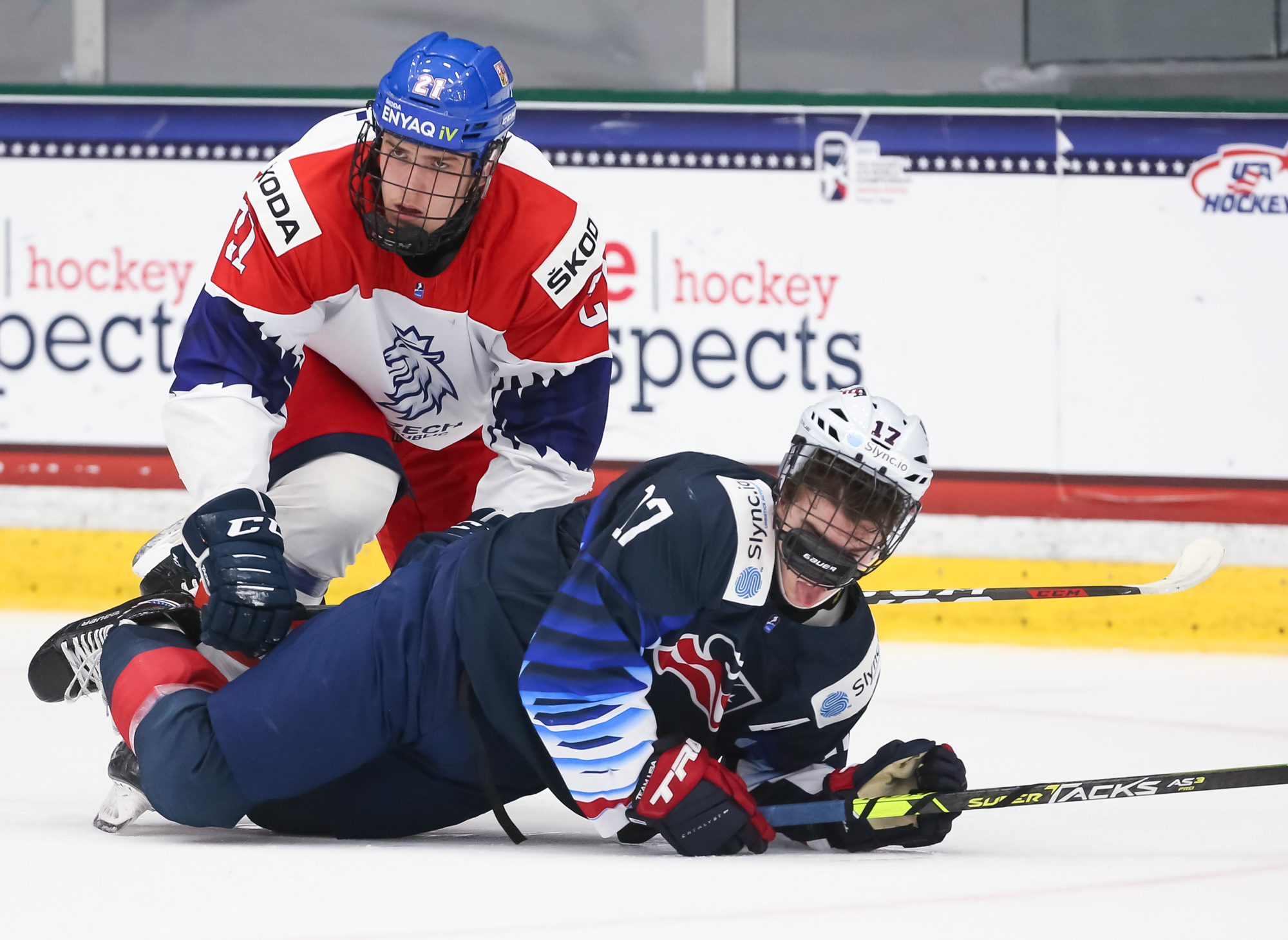 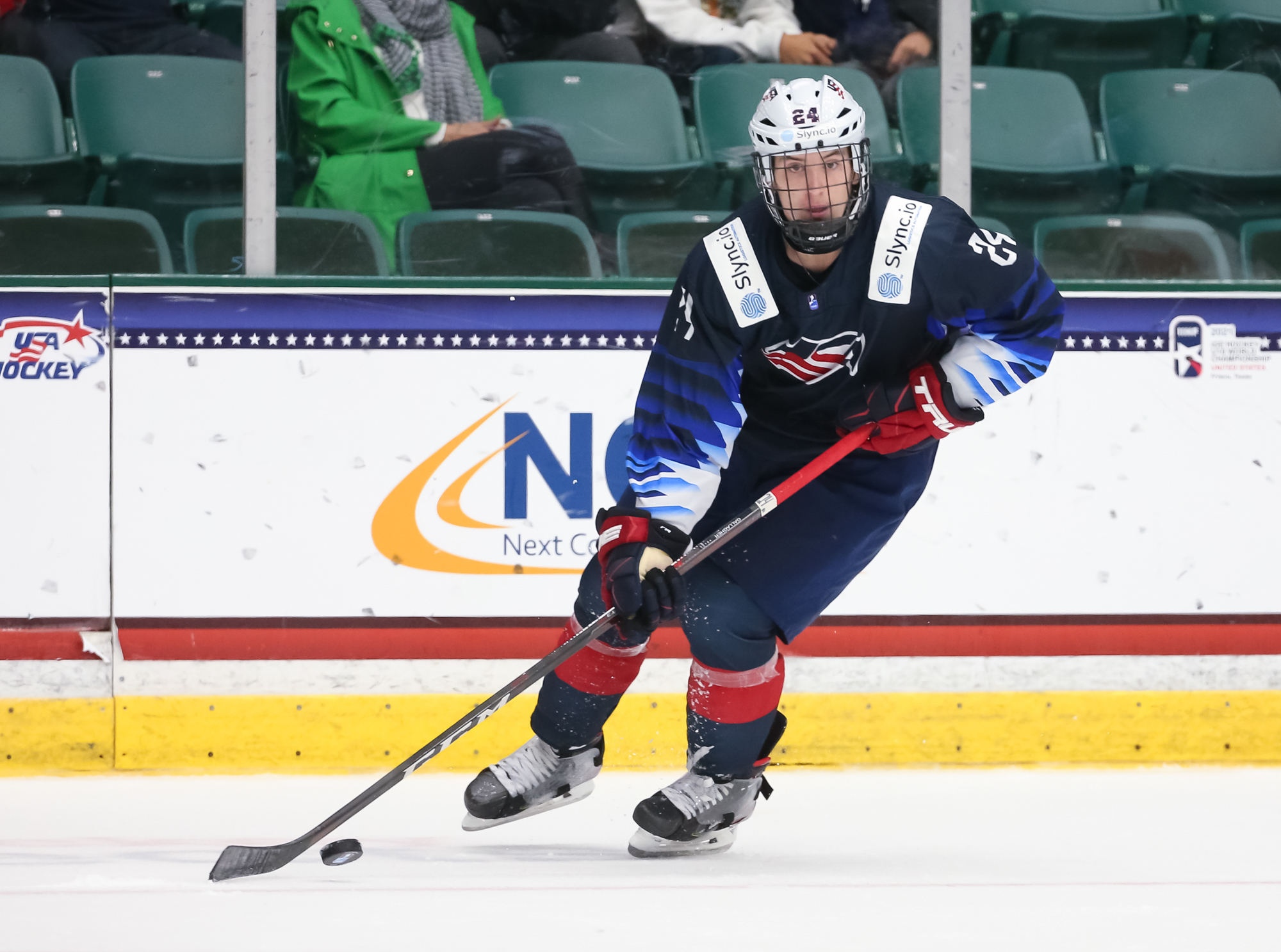 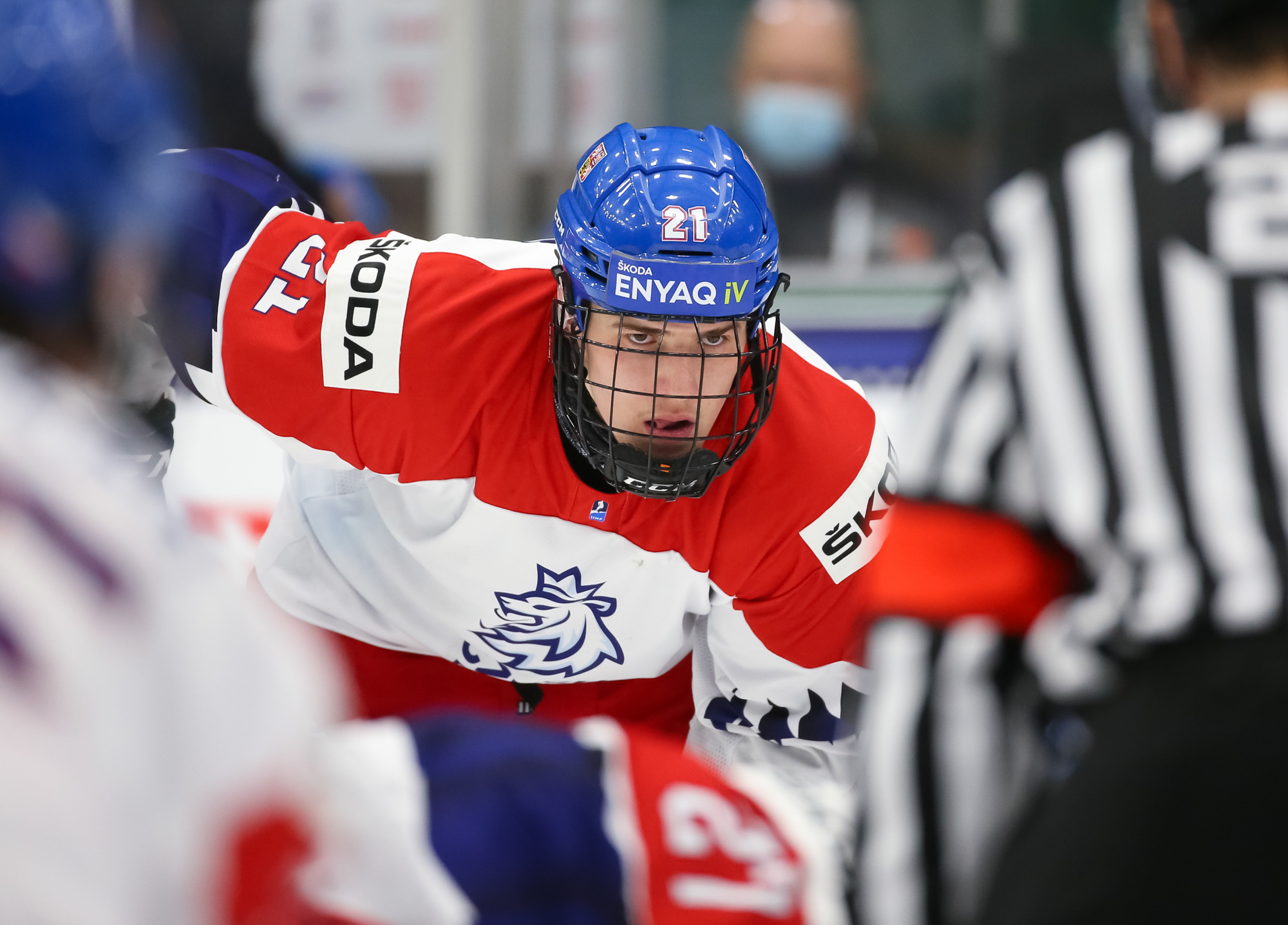 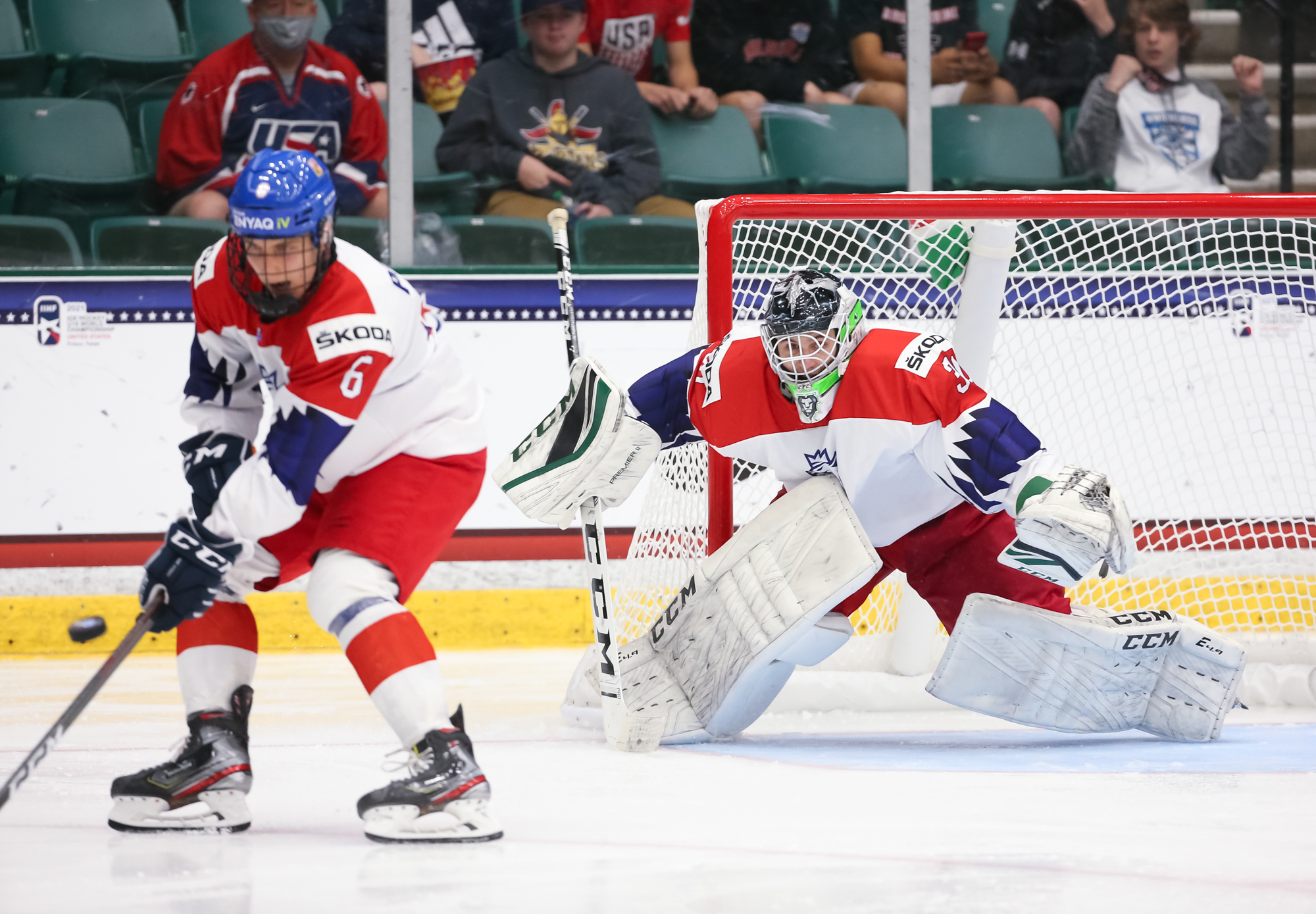 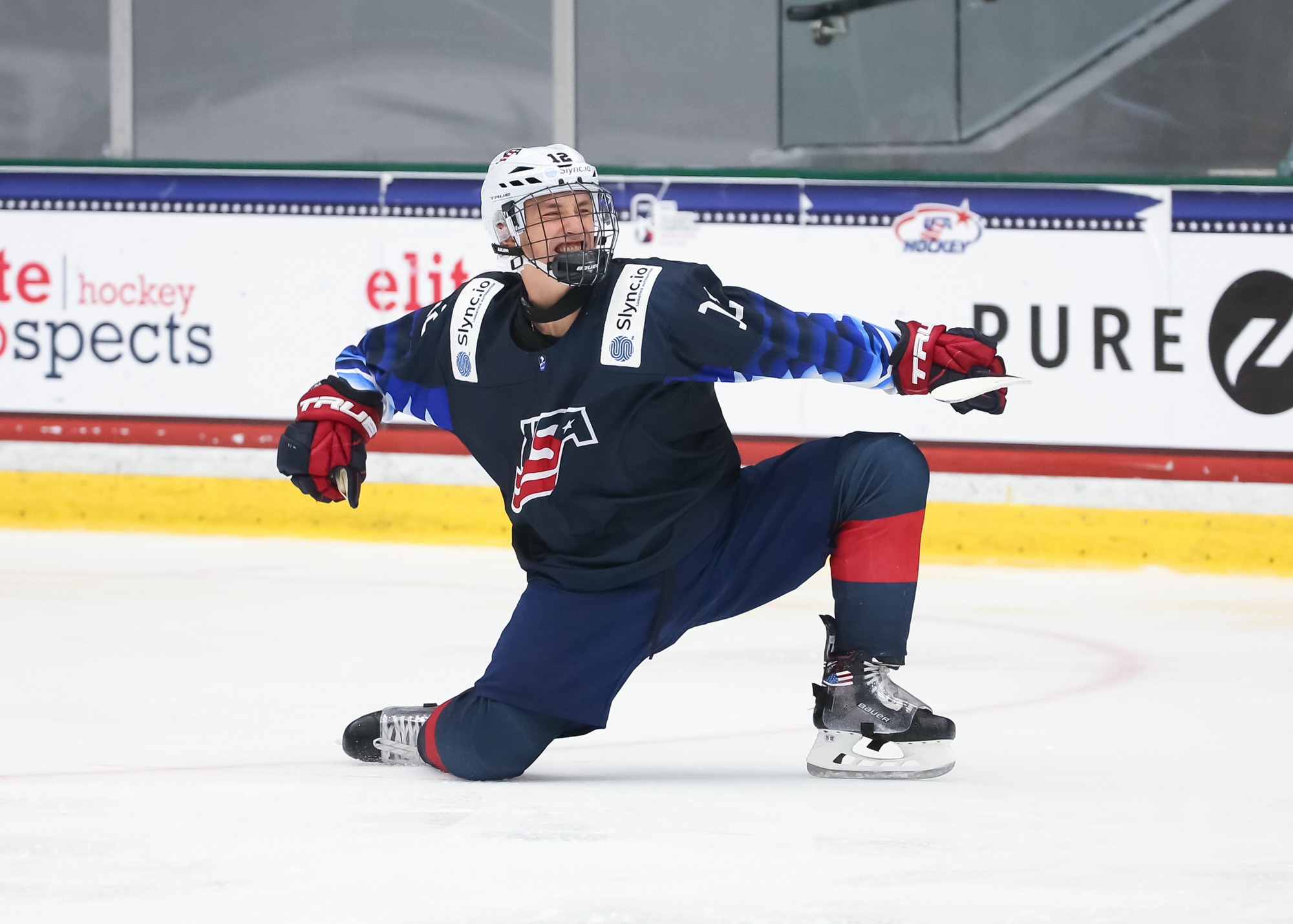 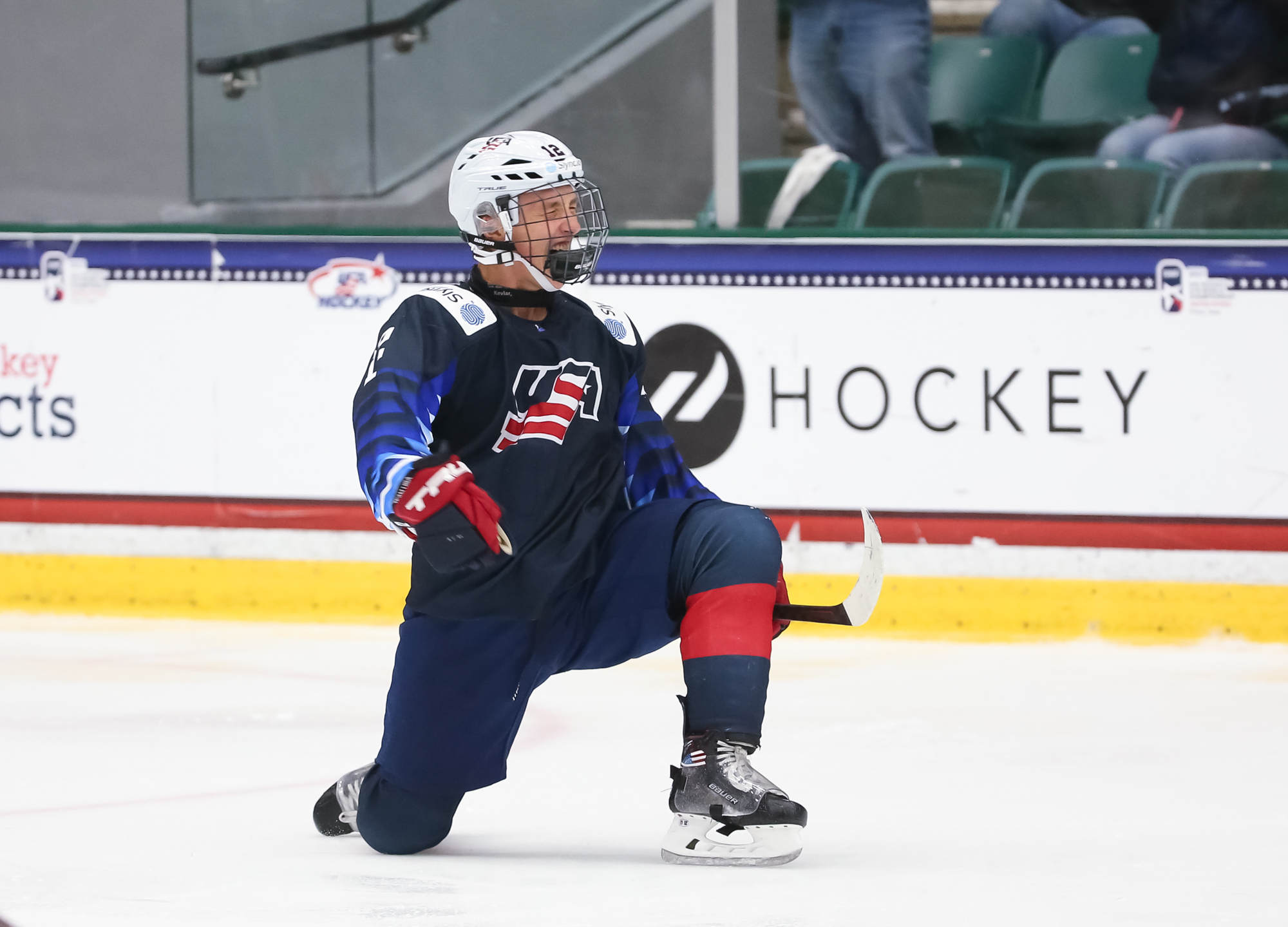 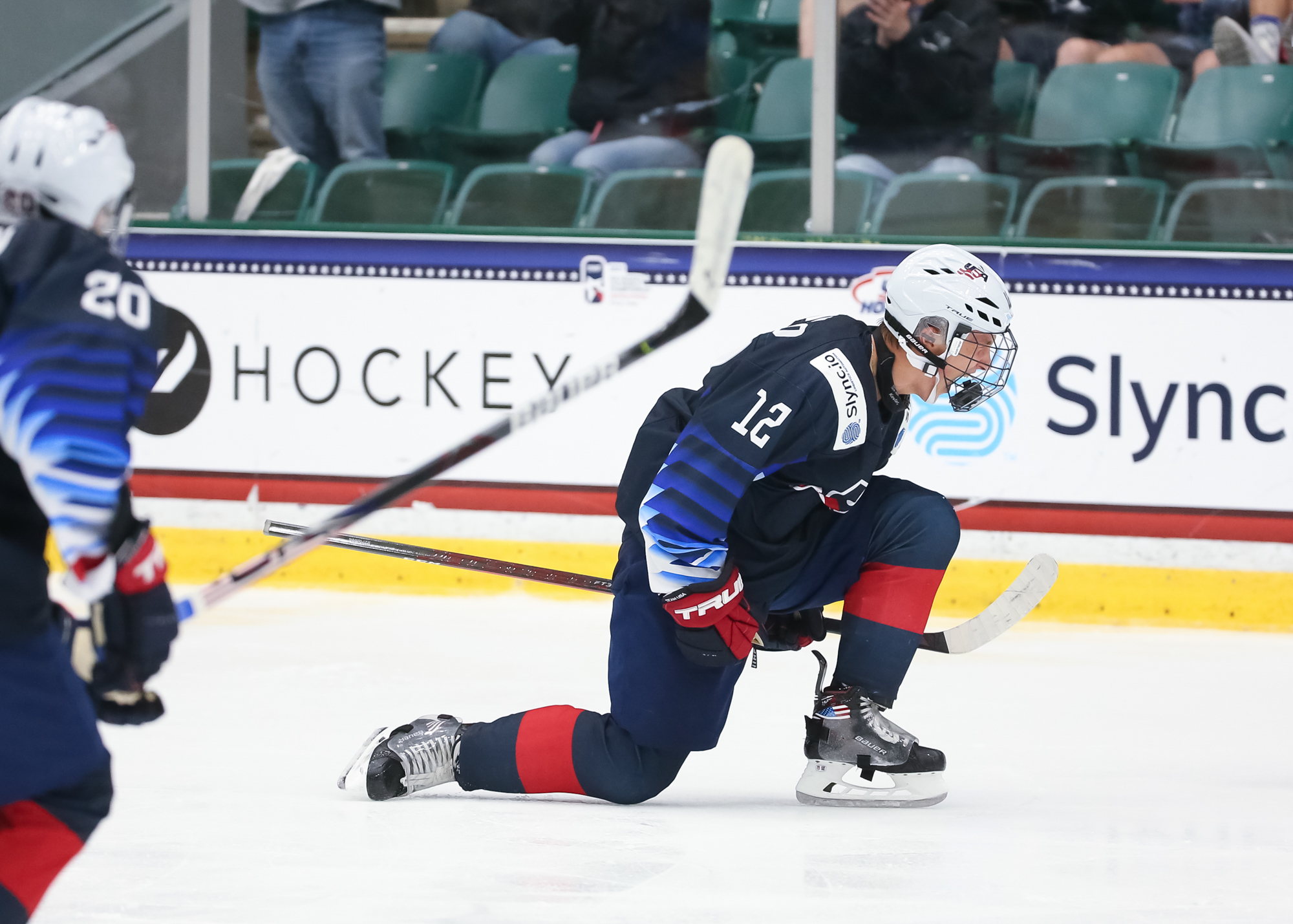