With the win Cracovia Krakow also clinched their ticket to the Champions Hockey League for the upcoming season.

“I feel great. It’s probably the biggest thing I have ever won. All the team is happy for Polish hockey and for the people in Krakow so we hope they’re going to be proud of us,” said team captain Martin Dudas.

The native of nearby Czech city Ostrava is proud that the team overcame obstacles and won both games of the final tournament as underdogs.

“We had some problems for like two weeks, some kind of sickness. So this is why a couple of guys didn’t come. But we moved on as a team. The goalie was perfect. Everyone did what he should do and we won this one. It was teamwork.”
Cracovia Krakow received the plate on Sunday in the closing ceremony.
photo: Svend Christensen
Never before had a Polish team come as close as Cracovia. In the last edition, also hosted in Denmark, Cracovia lost the last game to the hosts and SonderjyskE Vojens became the first Danish team to win the Continental Cup while Cracovia finished in last place with three losses.

North Jutland seemed to please Cracovia better than South Jutland. Entering the tournament as lowest-seeded team and being close from elimination back home in the Polish semi-finals, Cracovia presented itself as a master of efficiency with smart plays and an effective transition play. The team adjusted to the level of play and seemed to improve each period during this weekend.

Denis Perevozchikov had a shutout with 42 saves in the Cracovia net while Collin Shirley, Anton Zlobin, Dmitri Ismagilov and Damian Kapica scored the goals for the second win in two days. Aalborg outshot the Poles 42-32.
During a first half of the opening frame in which the home team created more chances, it was Cracovia with a quick transitioning game that got the lead. Canadian forward Shirley received the puck at the blueline, nicely deked Aalborg defender Ian Edmondson and beat Frederik Soegaard for the lead at 7:05.

“It was nice to get one early there in the first period, but it didn’t really matter. We had a lot of good efforts by guys and we ended up getting four tonight. They were all important goals. It’s nice to get the win tonight,” Shirley said.

“We could see after the game how excited everyone was and the fan support we had today was unbelievable. That was huge for them to come down to Denmark for us and for the first time to win the Continental Cup and make it into the Champions Hockey League. For Poland and for Cracovia this is so huge. In a short-term tournament all you have to do is win and that’s what we did. We’re so happy and proud of every guy in the room. It’s just a huge honour to win the Continental Cup.”

Just 65 seconds later after the opening goal Cracovia hit the back of the net again. After Yegor Dugin had won a face-off in the offensive zone, Ivan Vorobyov shot from the blueline and Anton Zlobin capitalized on the rebound.

Cracovia continued to play more effectively and was closer to the third goal than the Pirates to their first. Kapica had a great chance on a breakaway. Held back by Anders Koch, Kapica missed on his wraparound attempt as did Erik Nemec. The ensuing power play remained without marker.
Continental Cup Final
Reactions Cracovia Krakow - 2022 IIHF Continental Cup
Cracovia Krakow players Damian Kapica, Martin Dudas and Collin Shirley talk after winning the 2022 IIHF Continental Cup.
POL 06 MAR 2022
The second period continued Cracovia’s way. In a first minute that went north south the Poles succeeded with a counter-attack when Dmitri Ismagilov at the offensive blueline received a cross-ice pass from Yevgeni Popitich to beat Soegaard for the 3-0 goal.

Since getting behind in the first game yesterday against Saryarka, Cracovia managed to not concede a single goal in five periods and seemed to help itself with scoring goals whenever there was a chance as easily as getting smorrebrod from a Danish lunch buffet.

“We are so happy as a club. It’s a big win for Cracovia and for the team. I’m so happy and this is a big, big win for Polish hockey. I’m so glad to be a part of this win,” said Polish national team forward Kapica.

“The biggest thing was that we played well defensively and tried to do counter-attacks. We executed our plan very well and won these two games.”

While Aalborg tried to find back into the game and outshot Cracovia in the middle frame, it was Cracovia’s Yevgeni Solovyov, who was closest to scoring the next goal with a post shot 12 minutes into the period on another breakaway.

In the third period Aalborg went all in but Cracovia stood strong in their zone and Perevozchikov had a great night in the net. The roughly 20 Cracovia fans in the guest sector started celebrating louder the closer the game approached the final buzzer and with 102 seconds left Kapica scored the 4-0 goal into the empty net. Soon later Cracovia’s party was set to begin.

The team will receive its gold medals and the winners’ plate tomorrow at the ceremony. The Saryarka Karaganda vs. Aalborg Pirates game will determine second place in the tournament.
Aalborg Pirates vs. Cracovia Krakow - 2022 IIHF Continental Cup Final 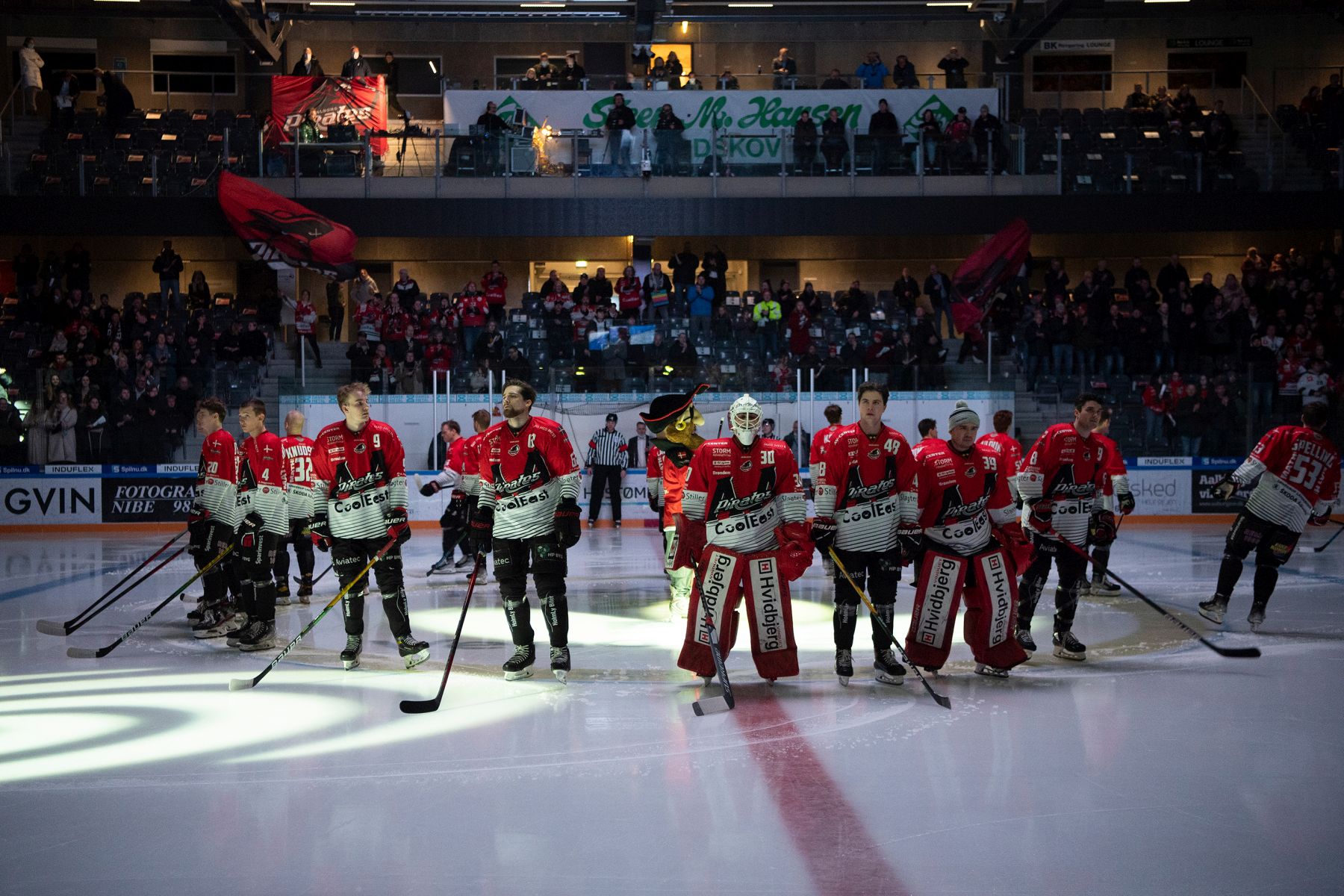 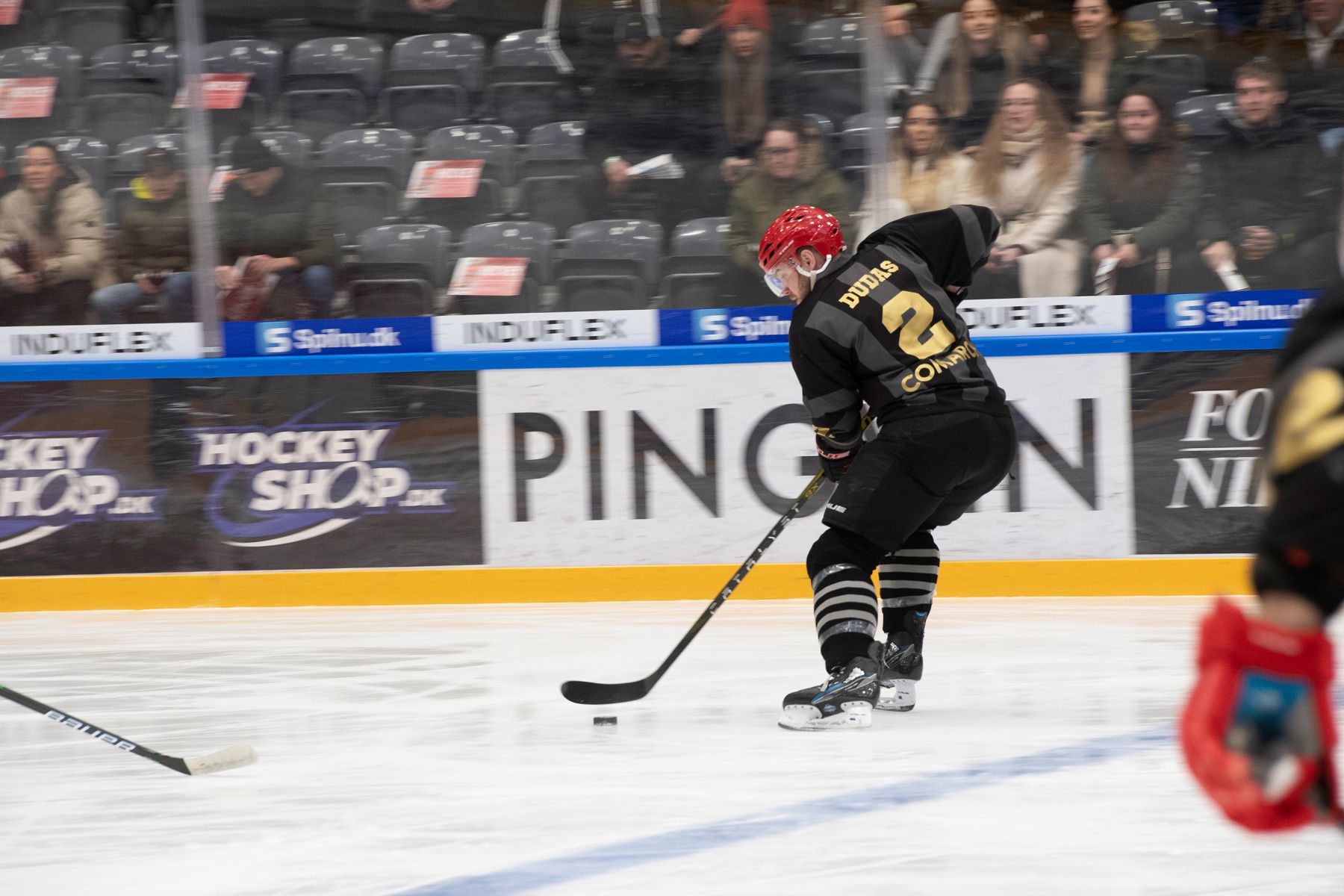 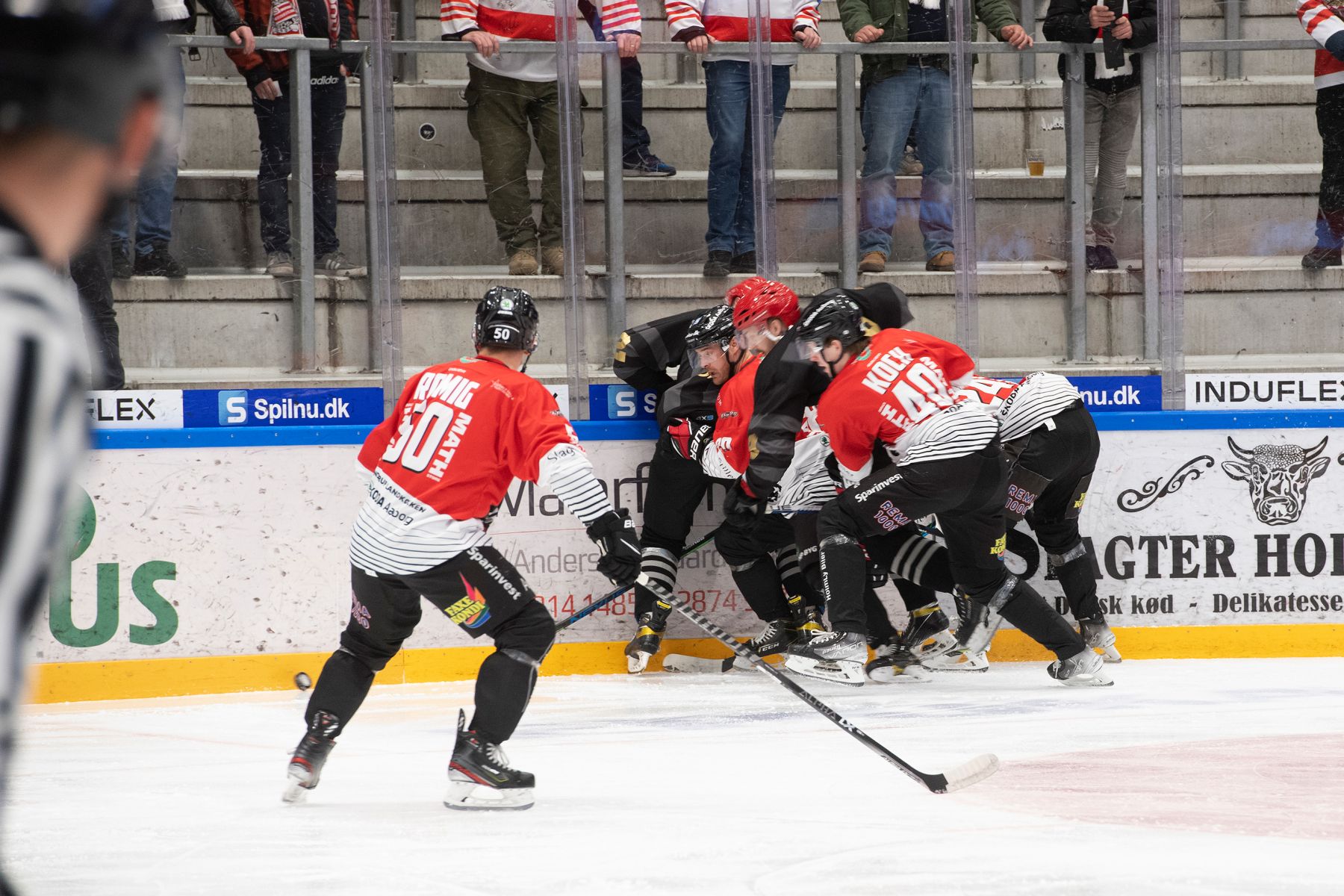 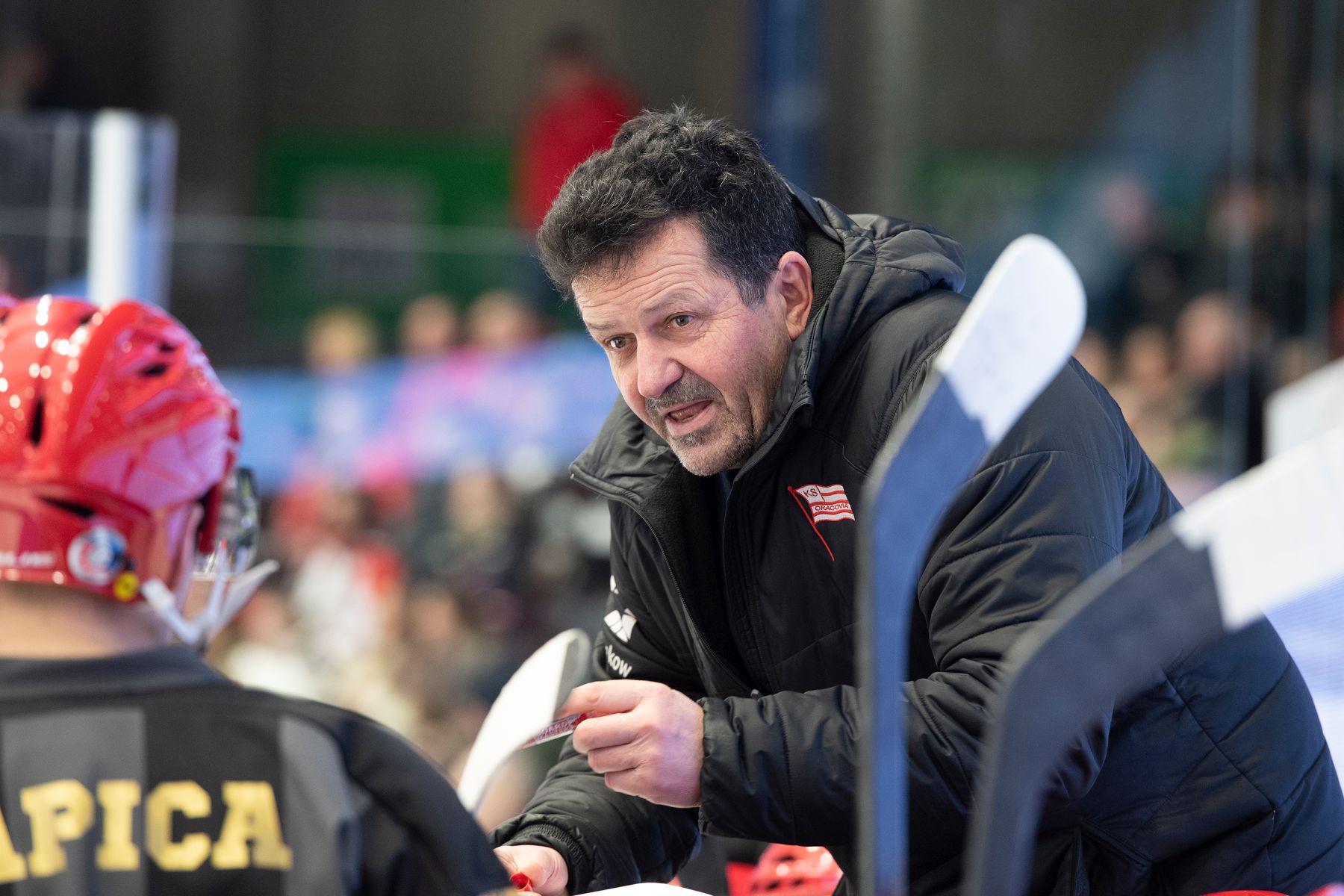 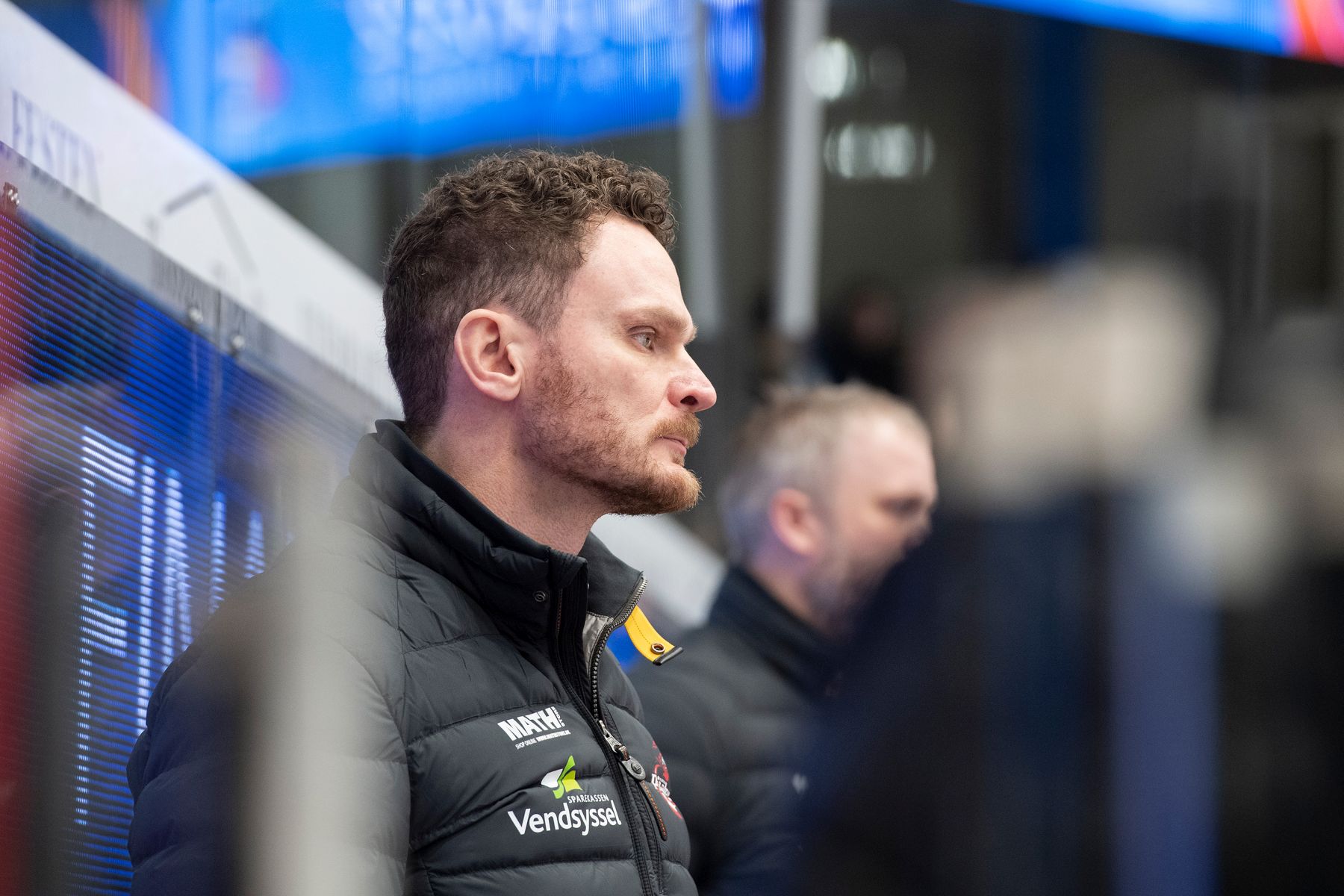 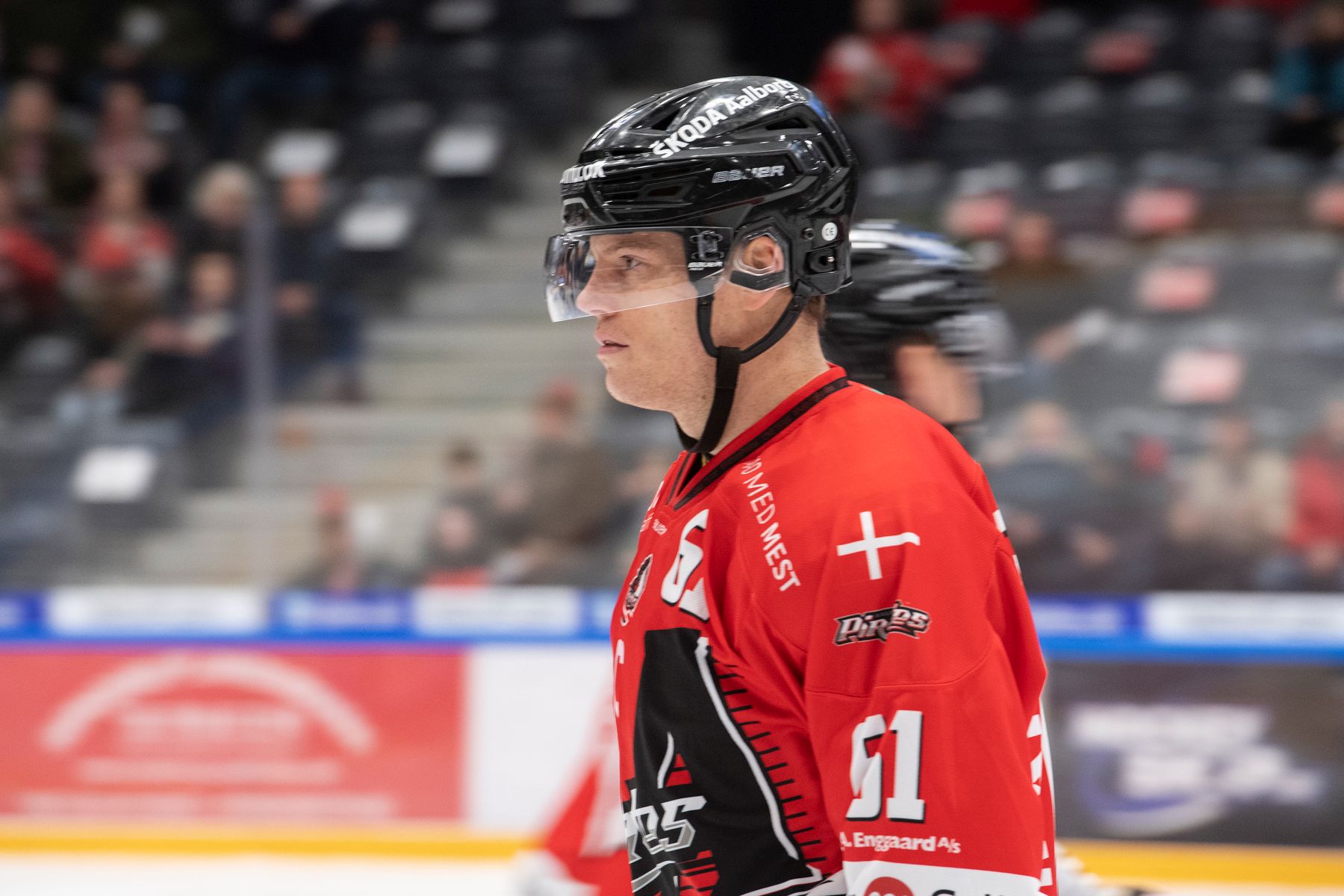 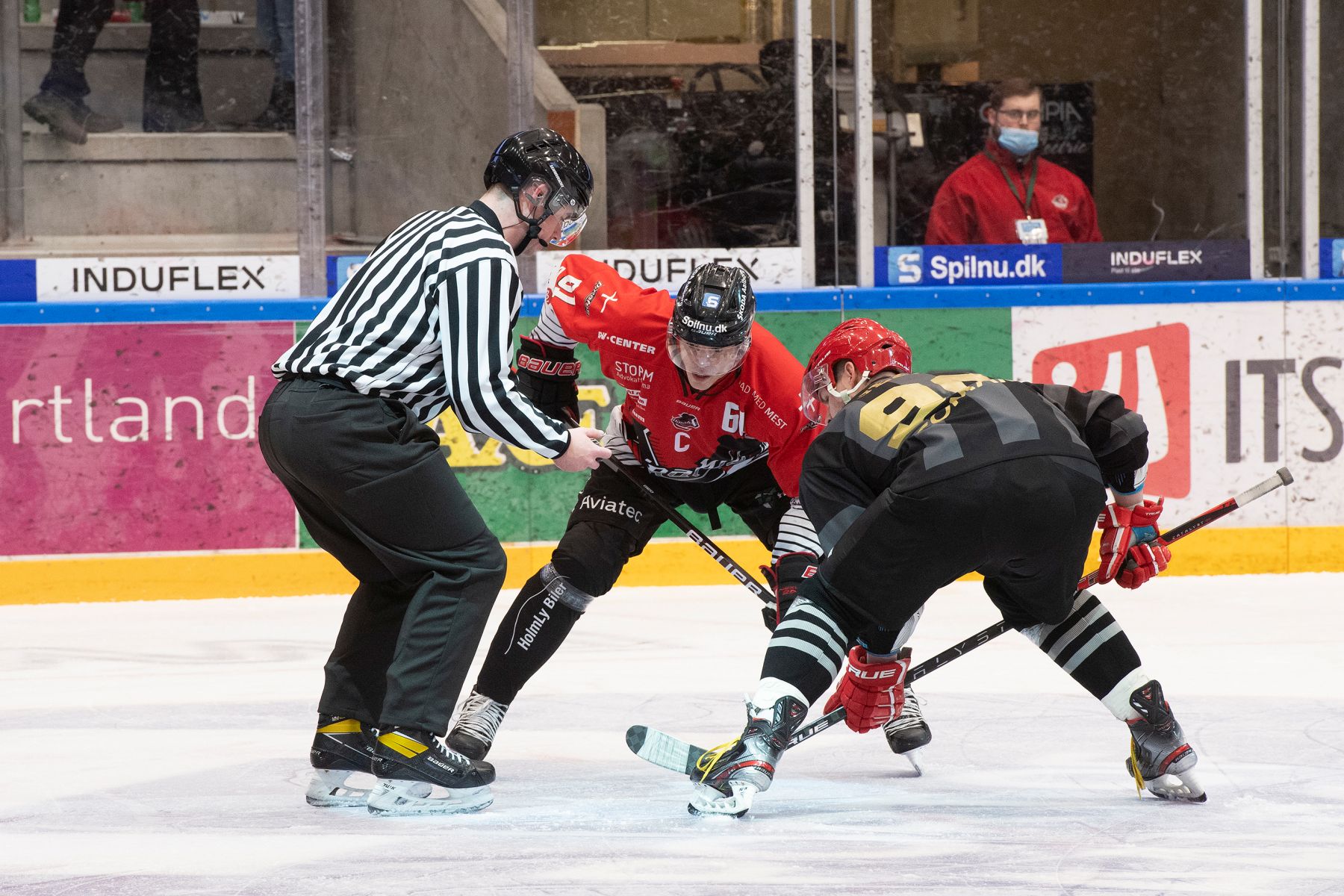 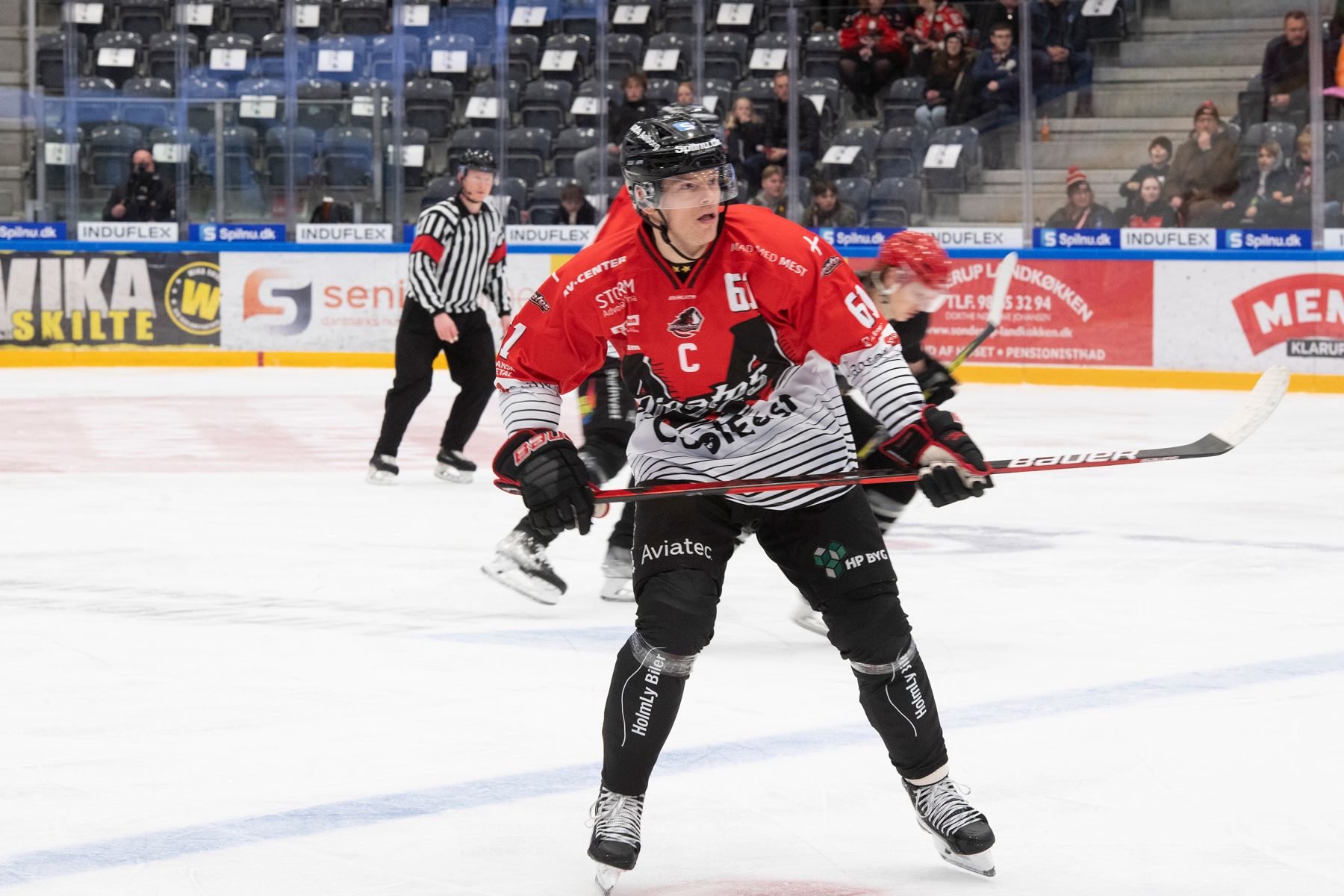 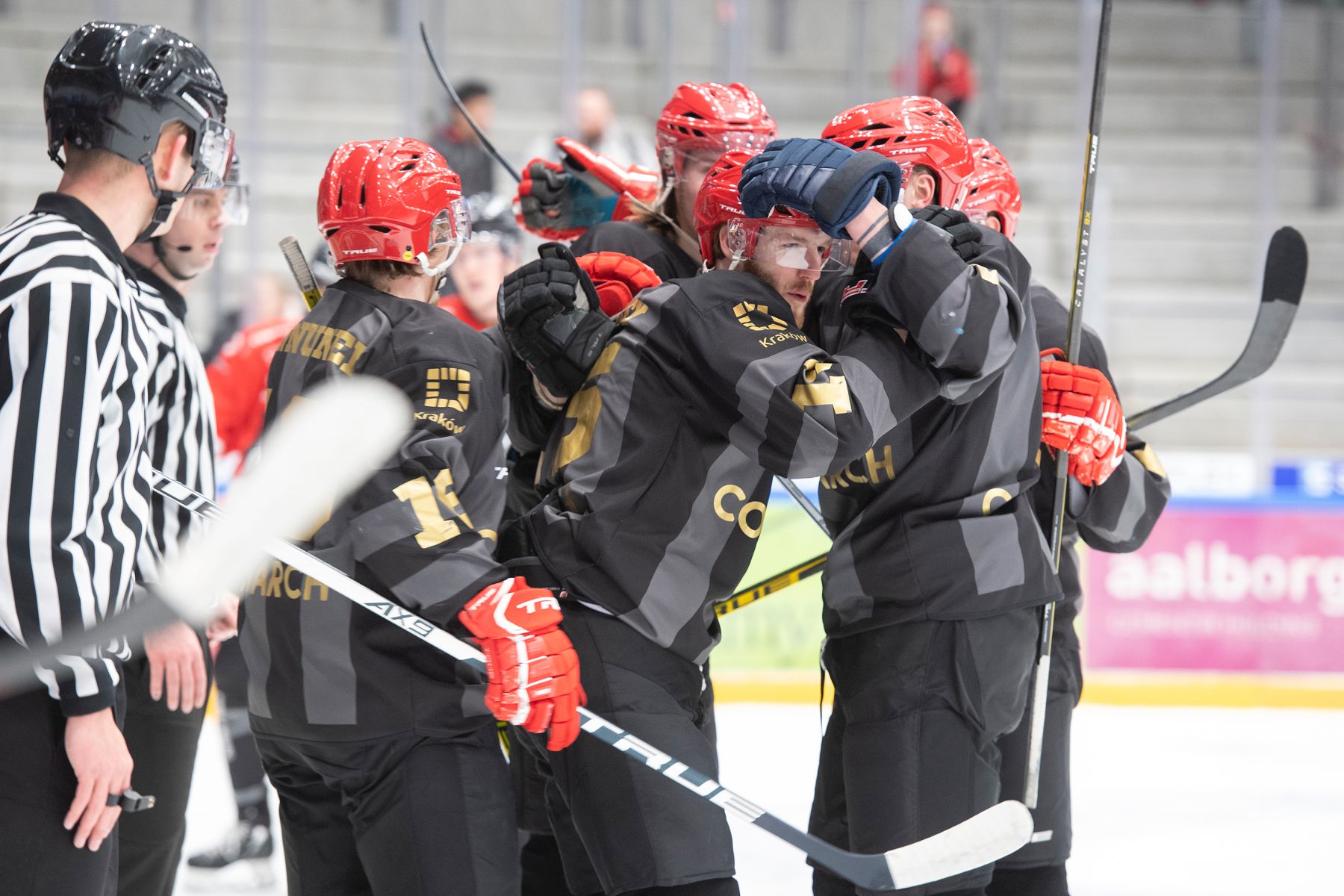 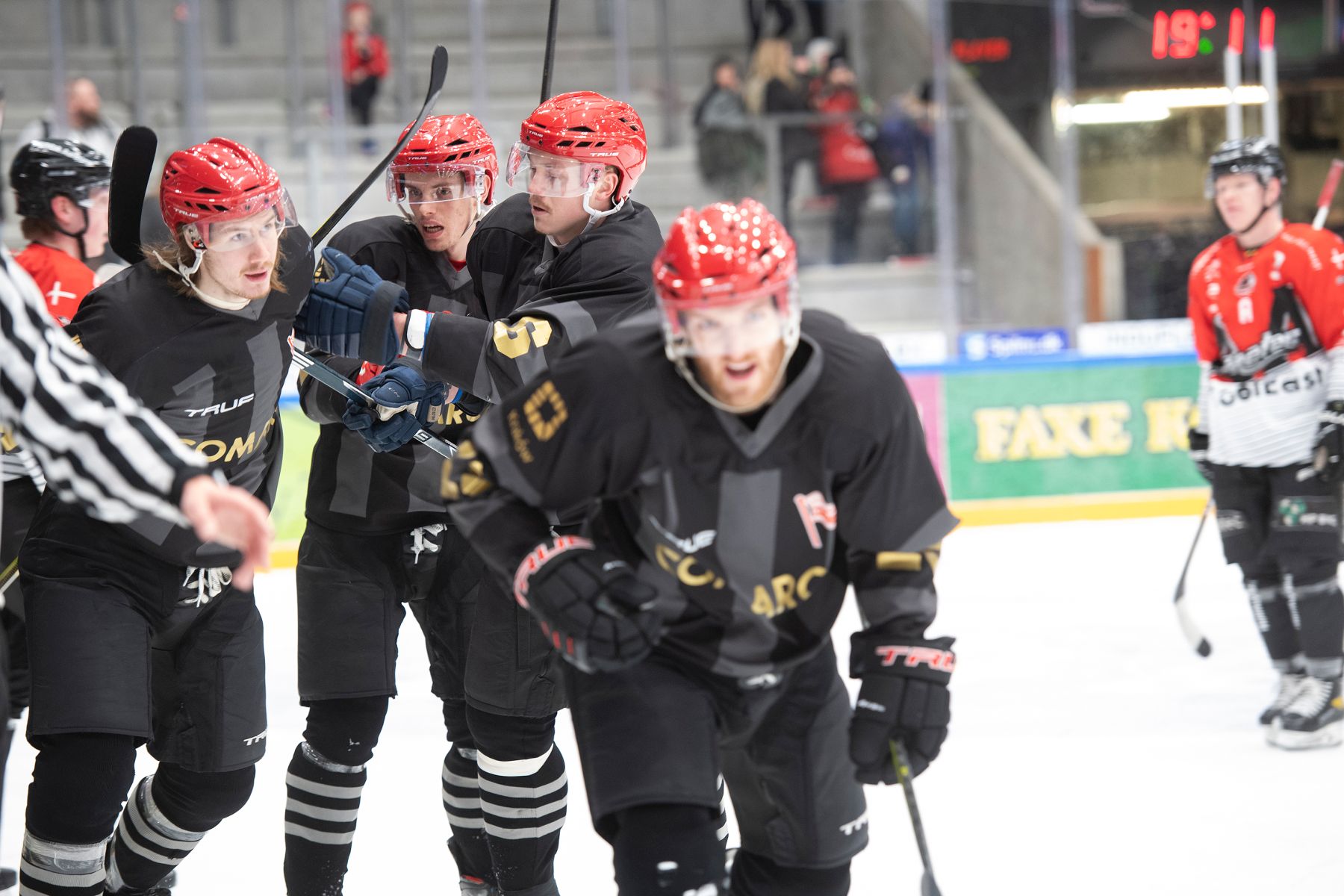 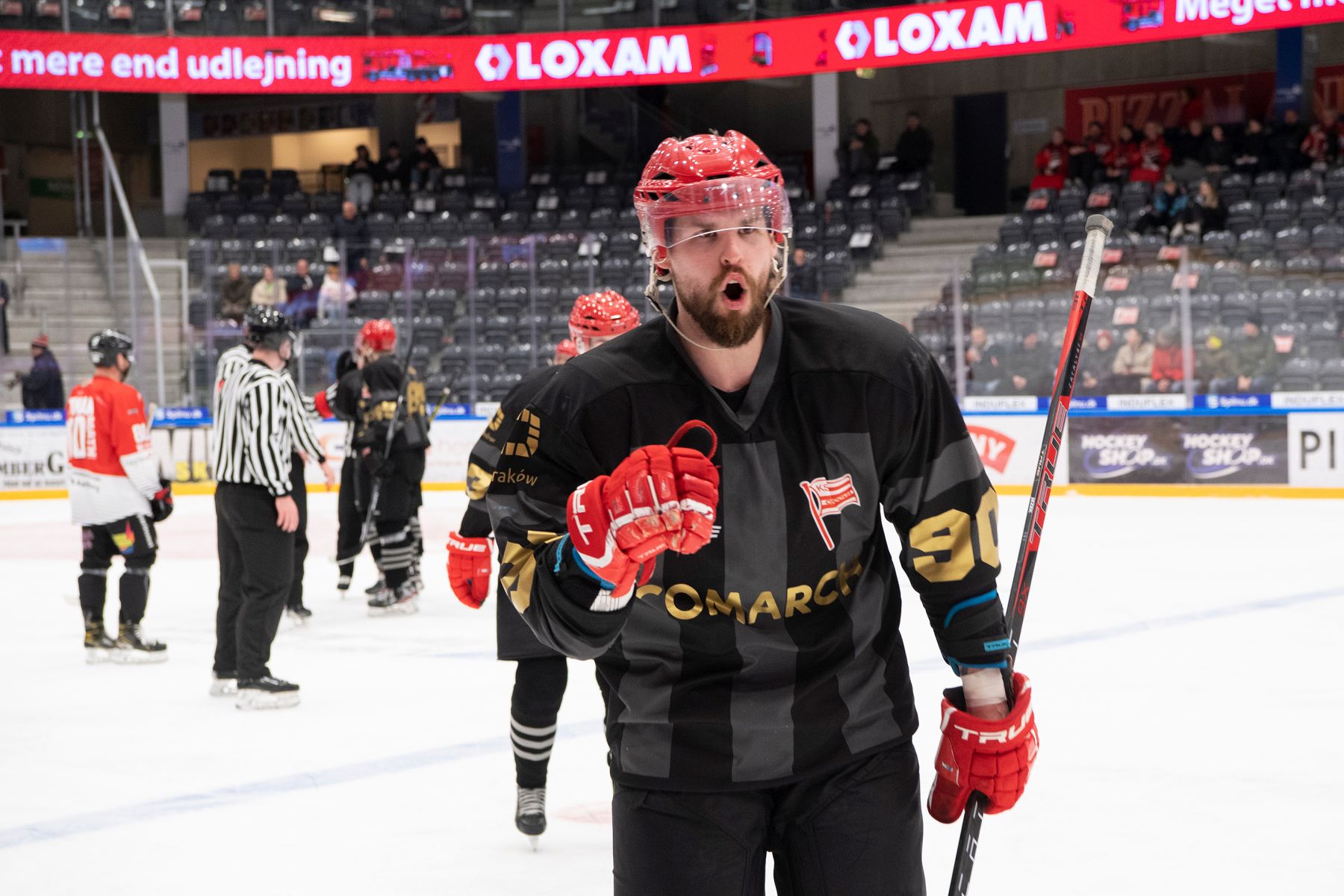 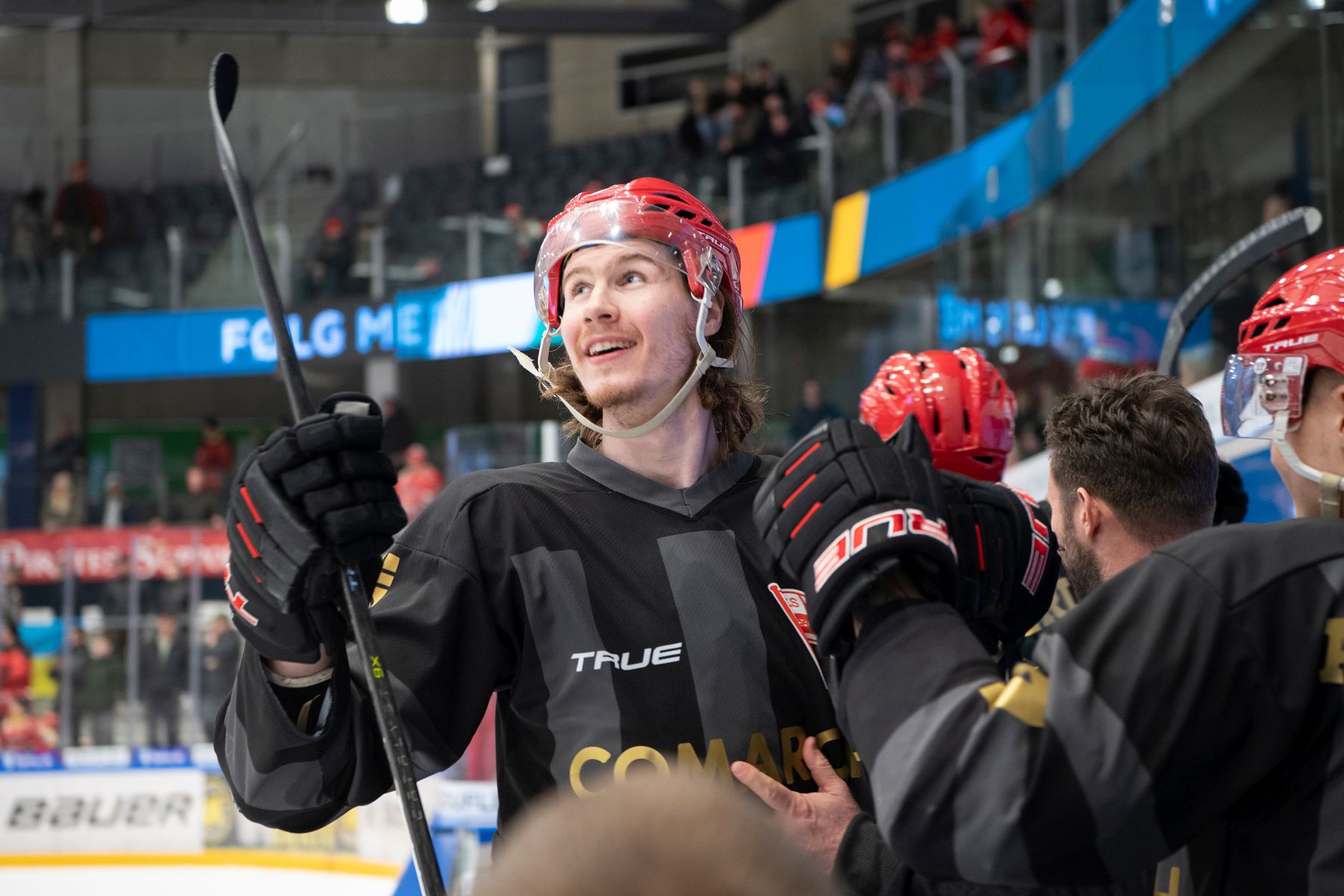 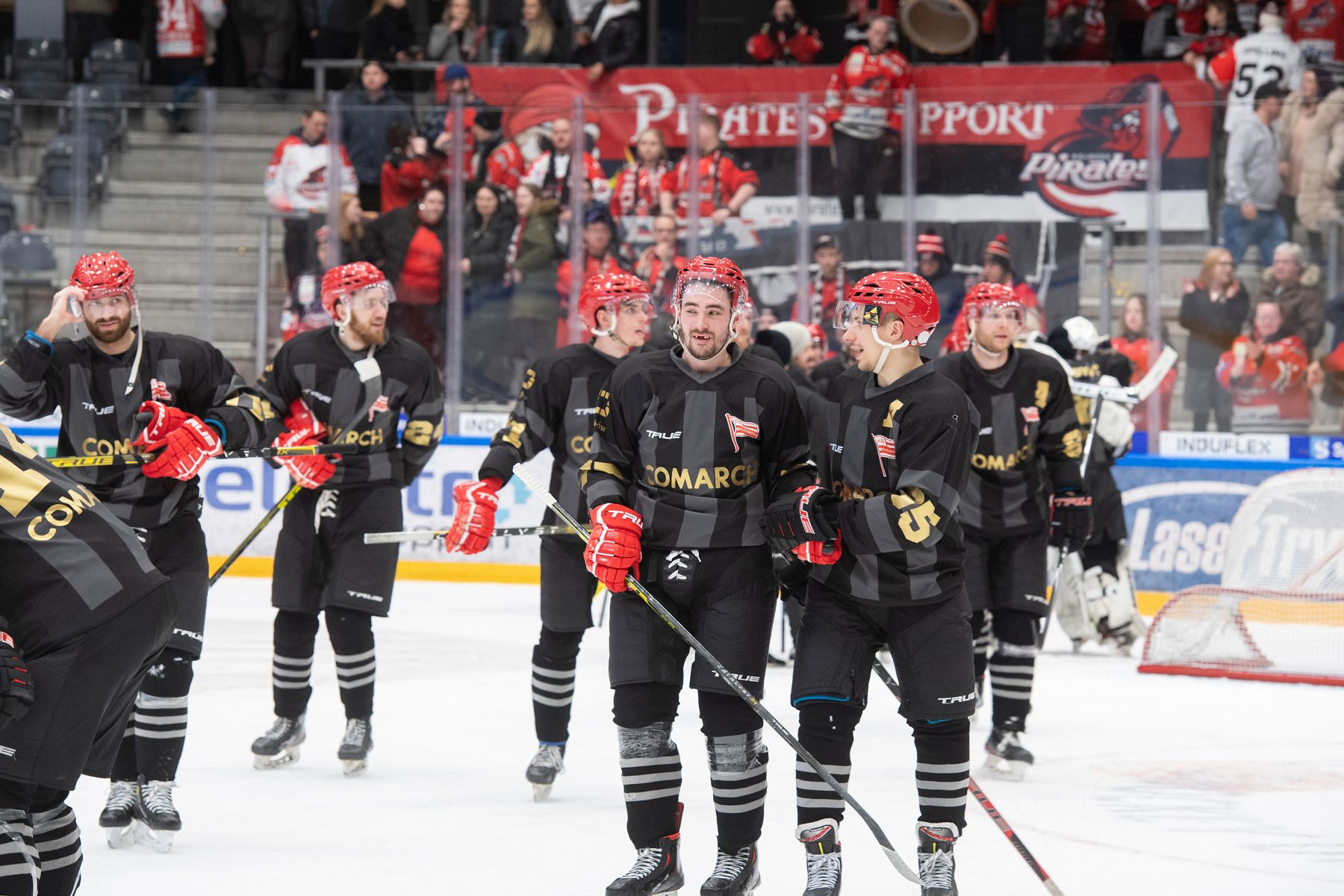 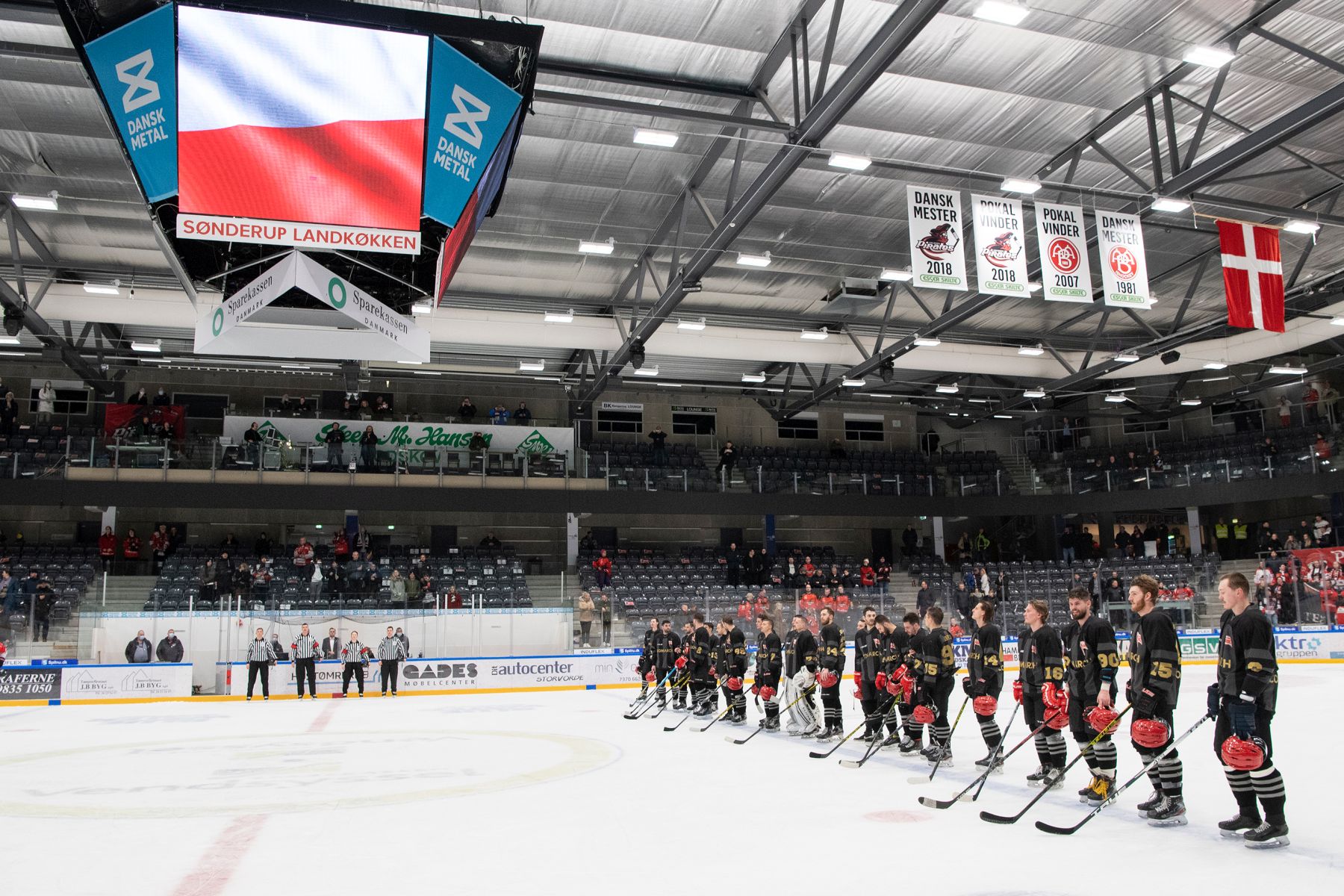 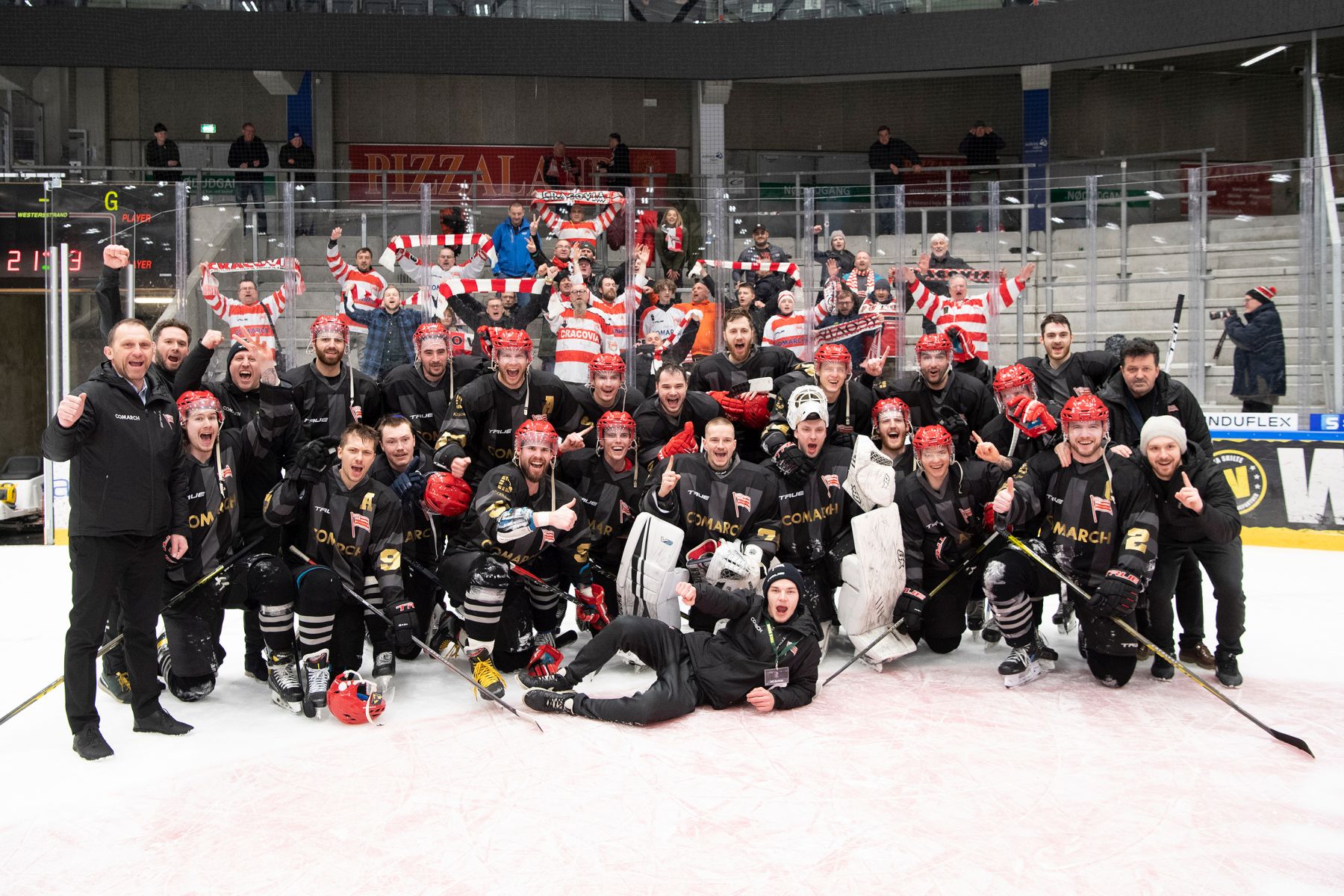