After the game the award ceremony took place with the Cracovia Krakow players coming back to the ice to receive their gold medals and the winners’ plate.

Also the individual awards selected by the tournament directorate were given to Cracovia goaltender Denis Perevozchikov, Cracovia defender Jiri Gula and Saryarka forward Sergei Barbashyov.
Saryarka started the game with more speed, created more chances after the opening face-off and saw itself rewarded soon. In a quick attack Mikhail Rakhmanov on the right side fed Barbashyov on the left, who beat Aalborg goalkeeper George Sorensen at 3:30.

Two power plays gave the Pirates the opportunity to create more offence on the other side but Viktor Seliverstov remained unbeaten for the rest of the period.

Saryarka continued to control the game and create more danger. Midway the second period Stepan Grymzin got the puck in the neutral zone with the ice open on his side and beat Sorensen with a precise shot to double the lead. And if that were not enough, the Kazakhs made it 3-0 five minutes later. Andrei Yakovlev concluded some fine tic-tac-toe passing in front of the net with his teammates Grymzin and Deniss Fjodorovs with the marker.

The beginning of the third period was all Aalborg and the fourth shot brought the hosts back in business. They established themselves in the Saryarka zone and at 4:39 defenceman Ian Edmondson reacted fastest on a loose puck beating Seliverstov with a high shot.

“They boys are back and they’re looking for trouble,” was played at the arena after the Pirates’ first goal in the tournament. A coach challenge didn’t change the decision and Saryarka gave up a penalty for it but Aalborg didn’t capitalize on the power play while on the other side captain Edgars Siksna was close to Saryarka’s fourth goal when his shot hit the crossbar during a man advantage.

Trouble occurred with scrambles and additional penalties but despite outshooting Saryarka 17-4 in the last period, Aalborg didn’t manage to hit the back of the net again.

With 17 seconds left to play Nikita Anokhovski shot the puck into the empty net for Saryarka’s 4-1 win that earned the Kazakhs the silver medals.
Saryarka Karaganda vs. Aalborg Pirates - 2022 IIHF Continental Cup Final 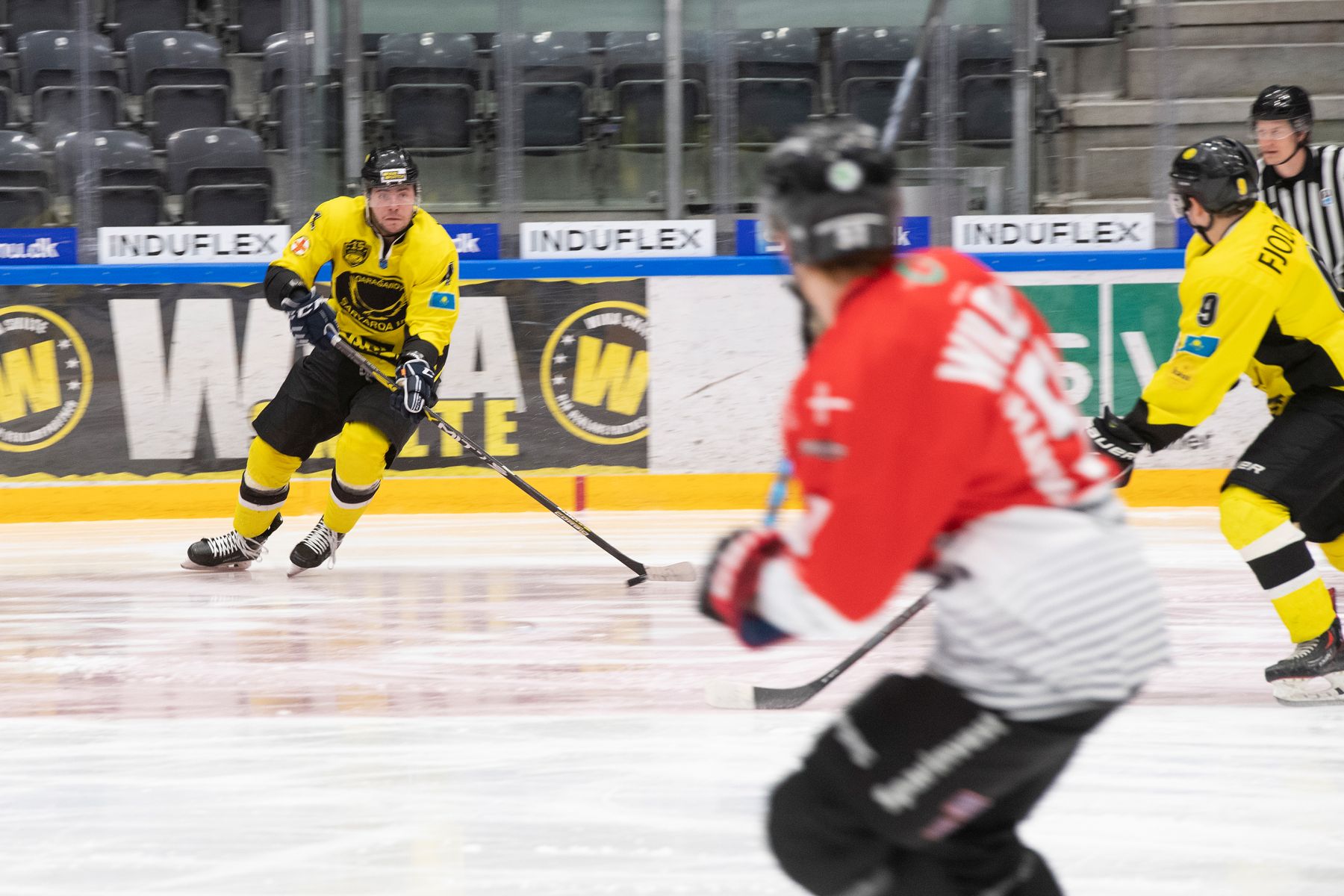 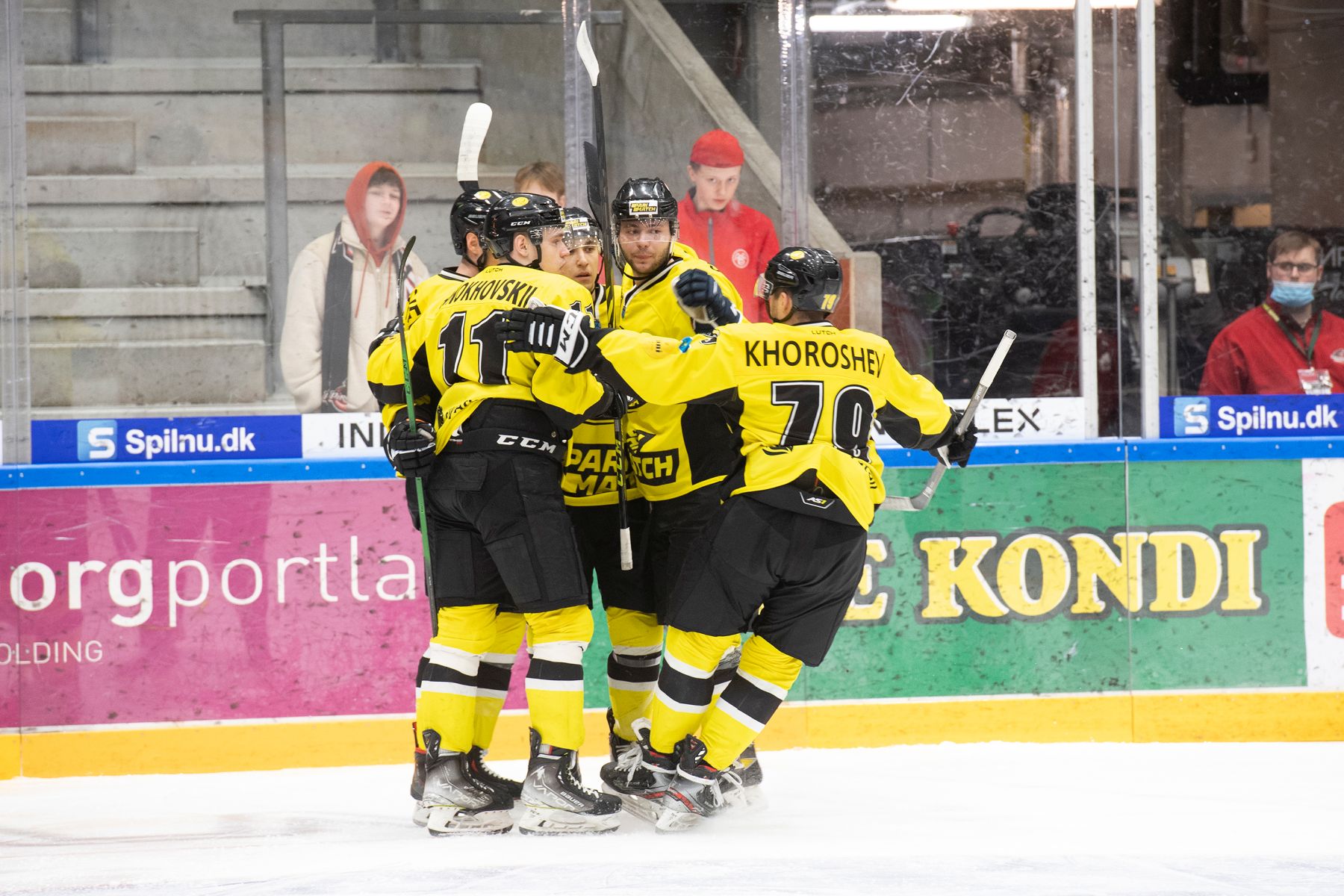 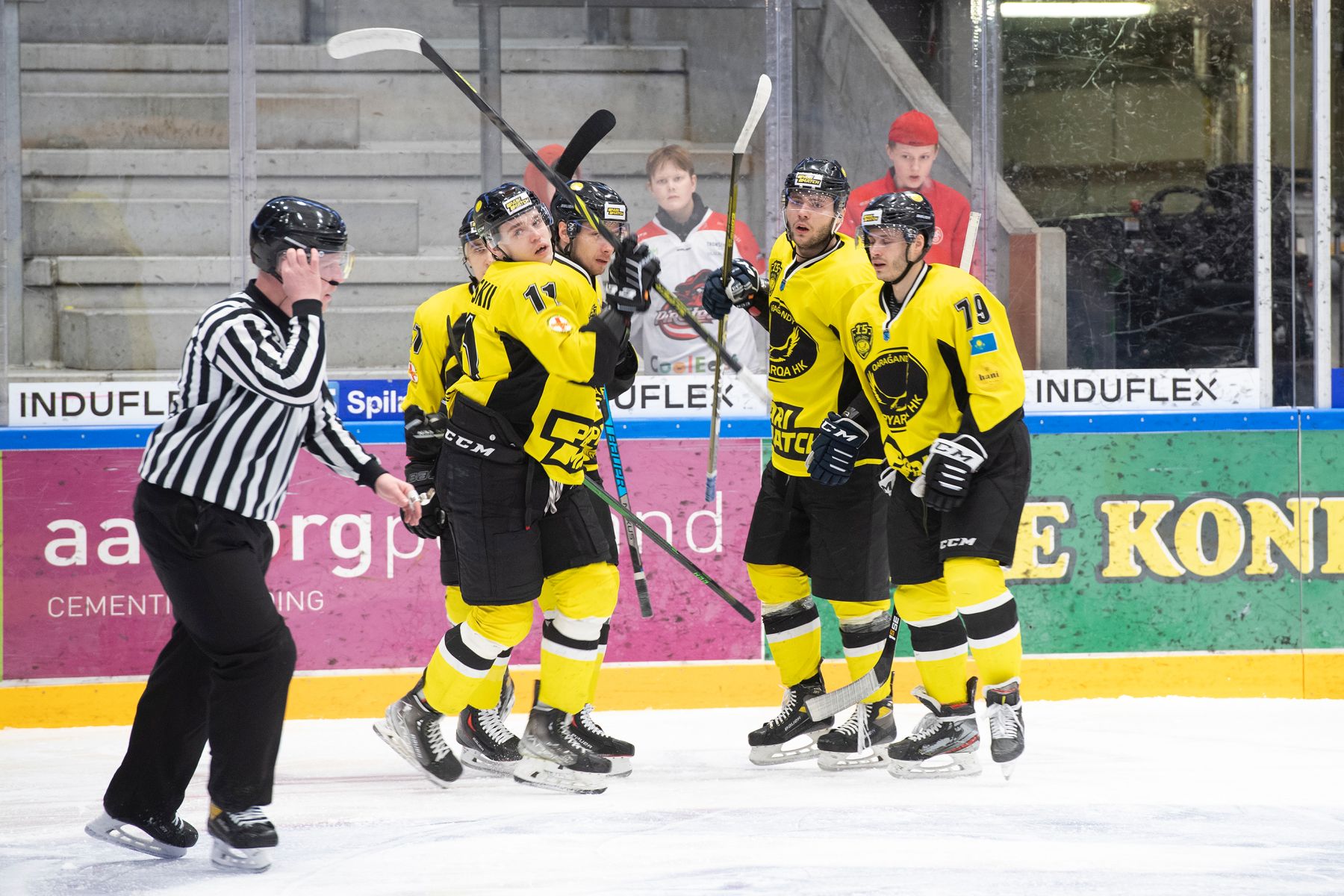 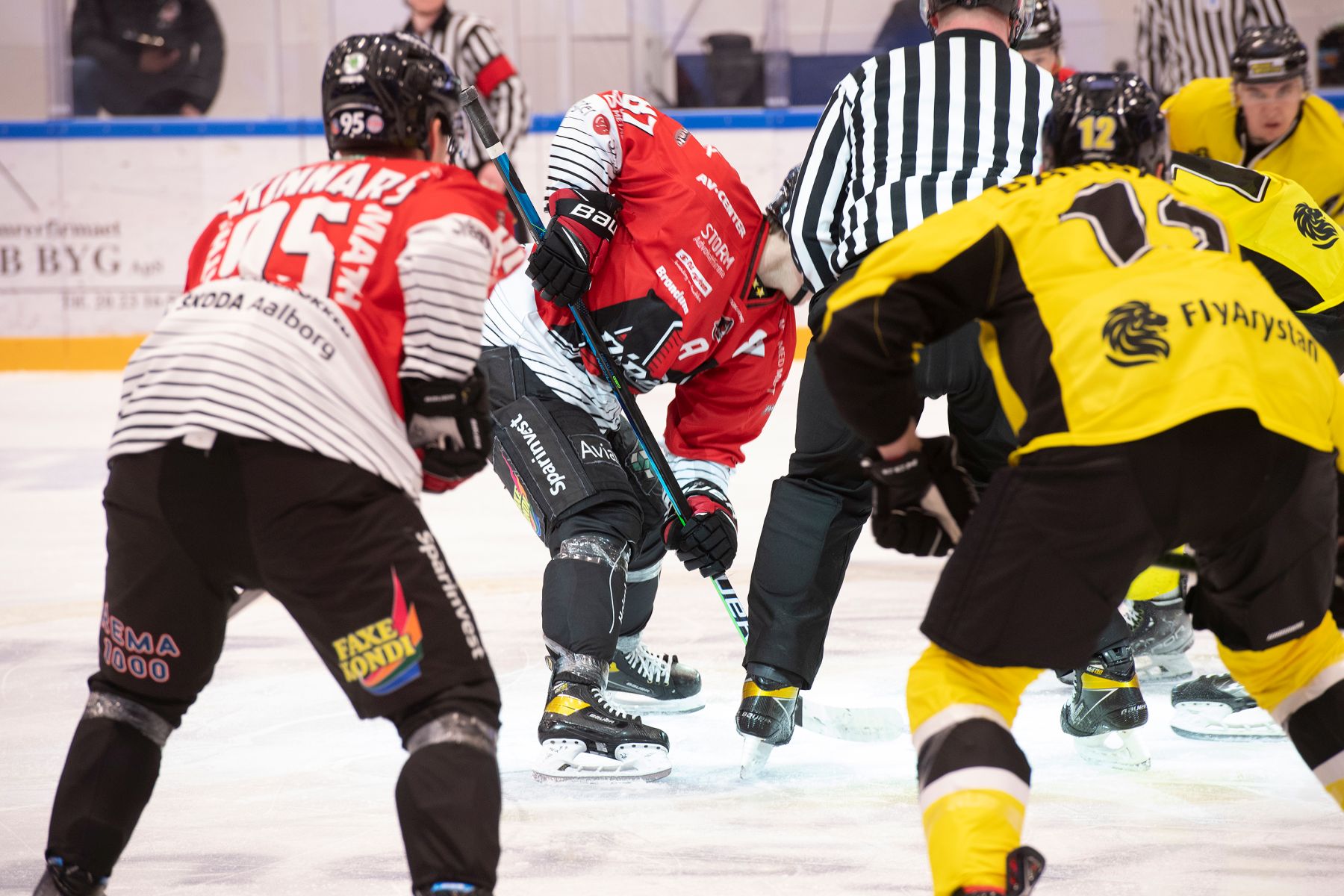 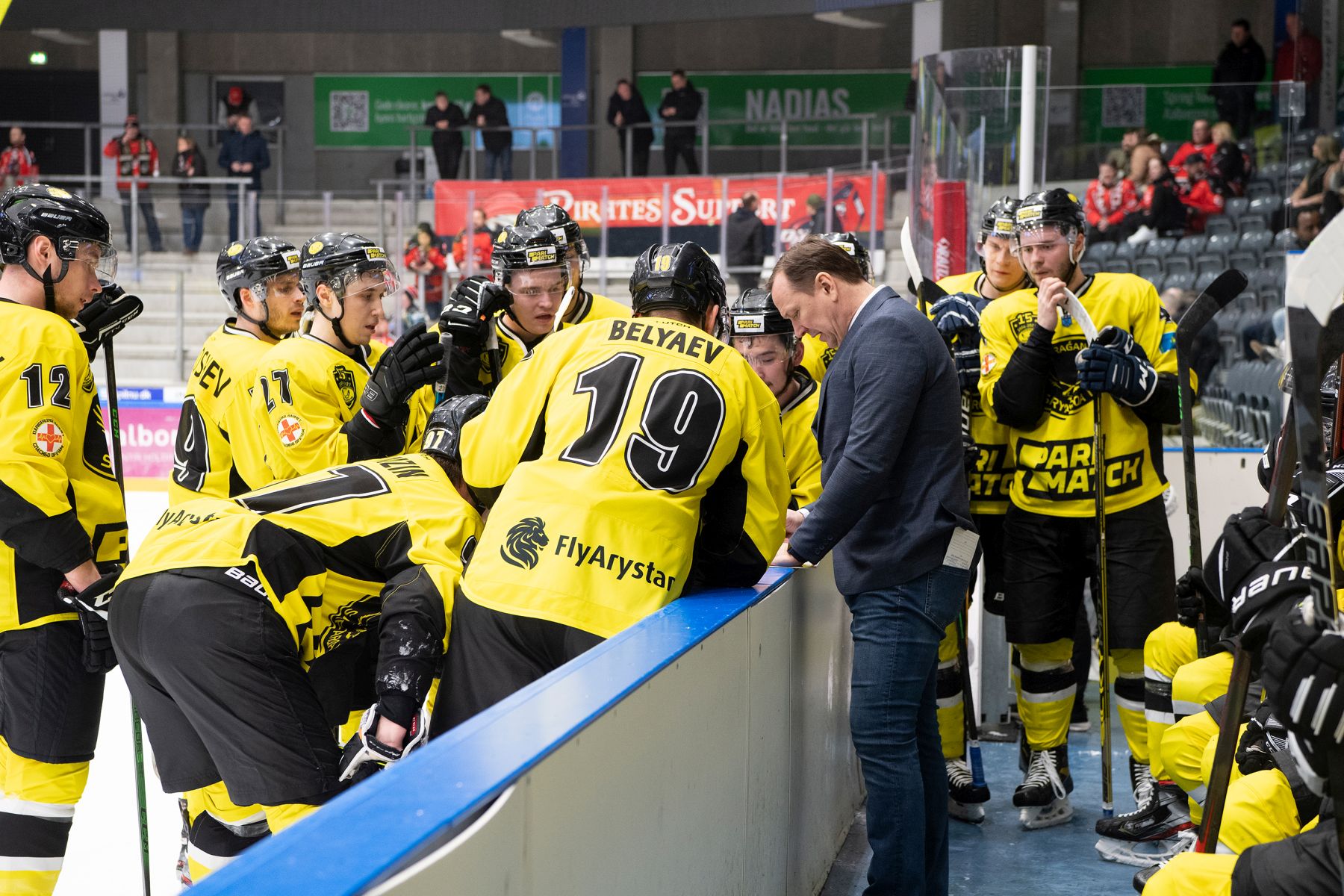 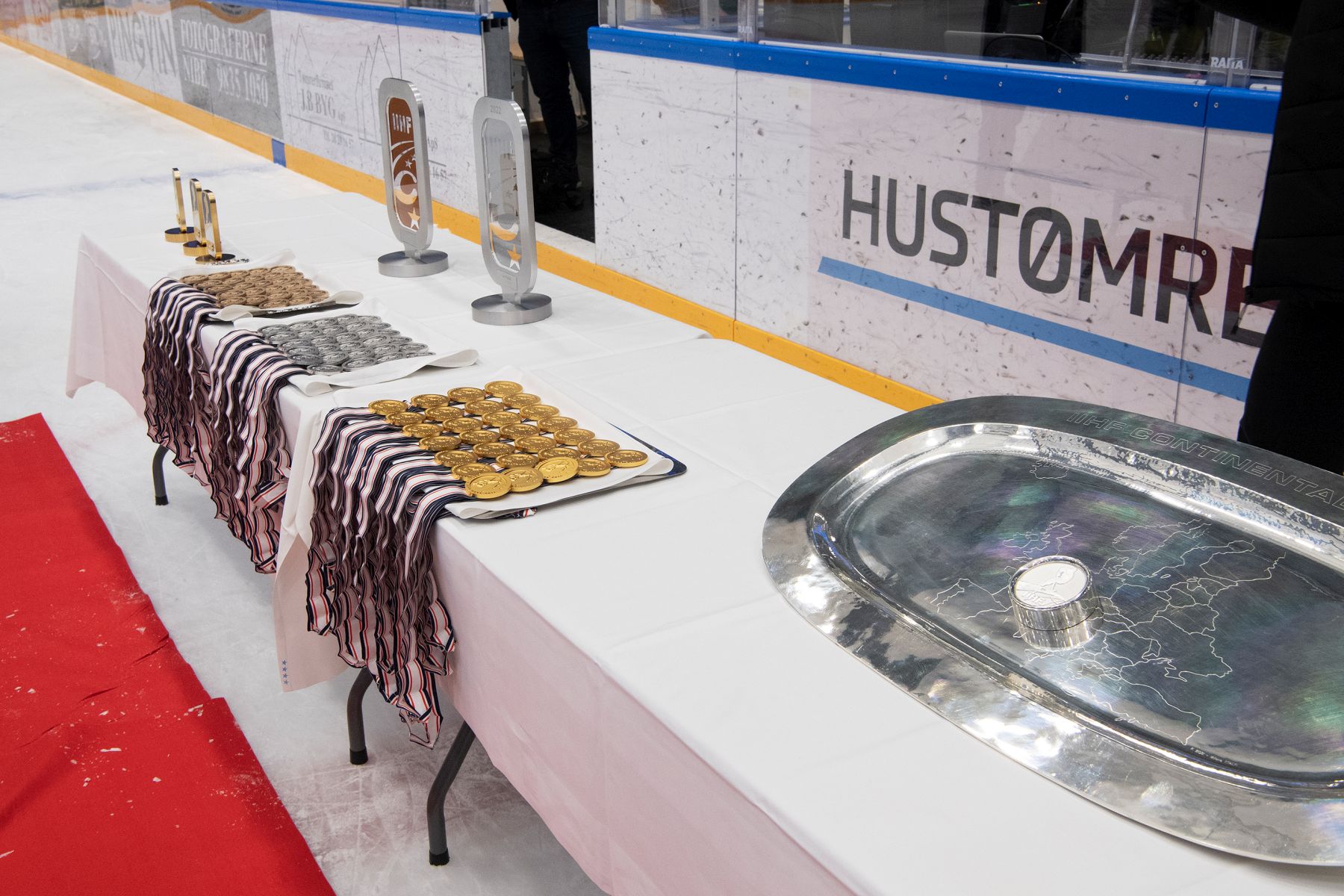 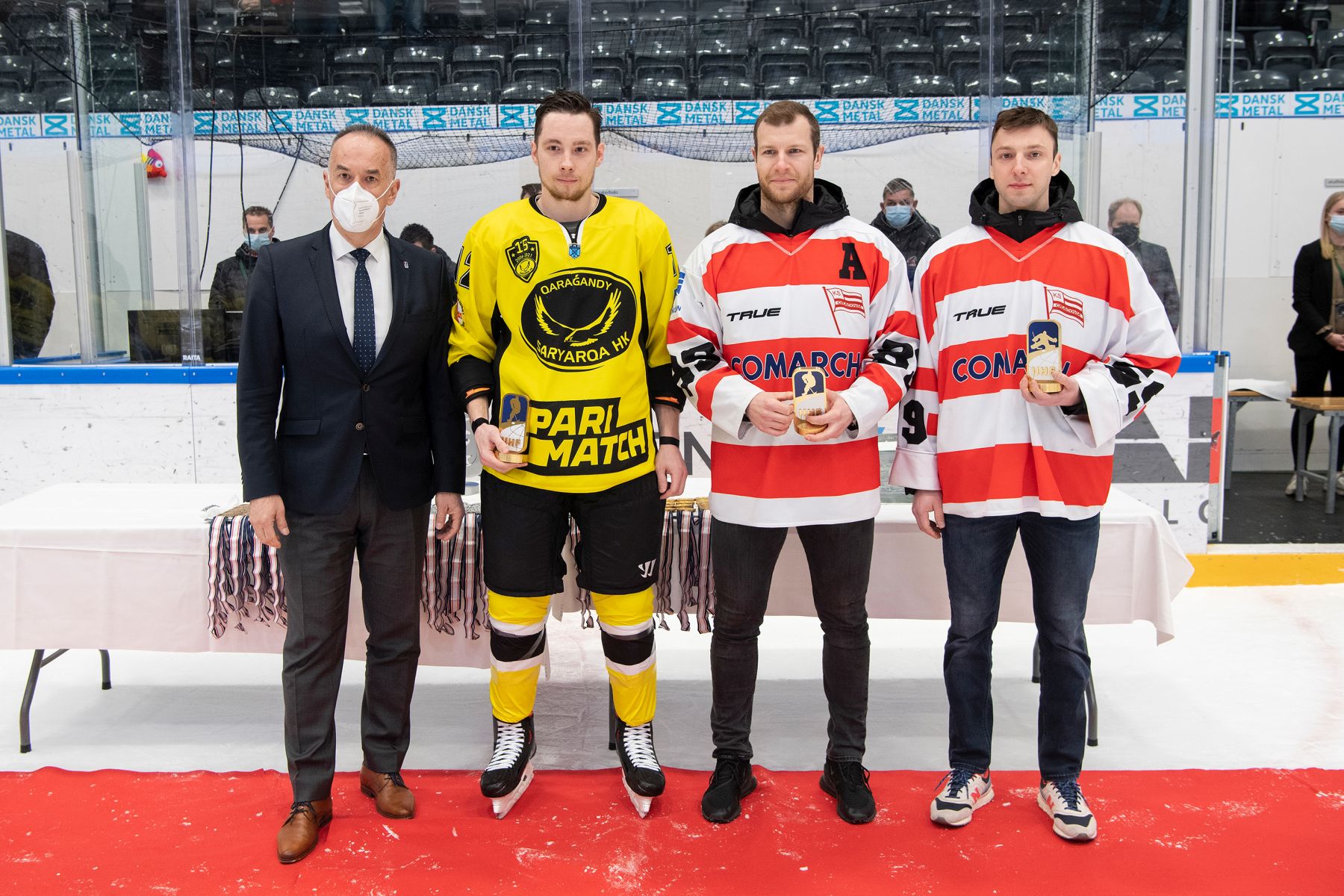 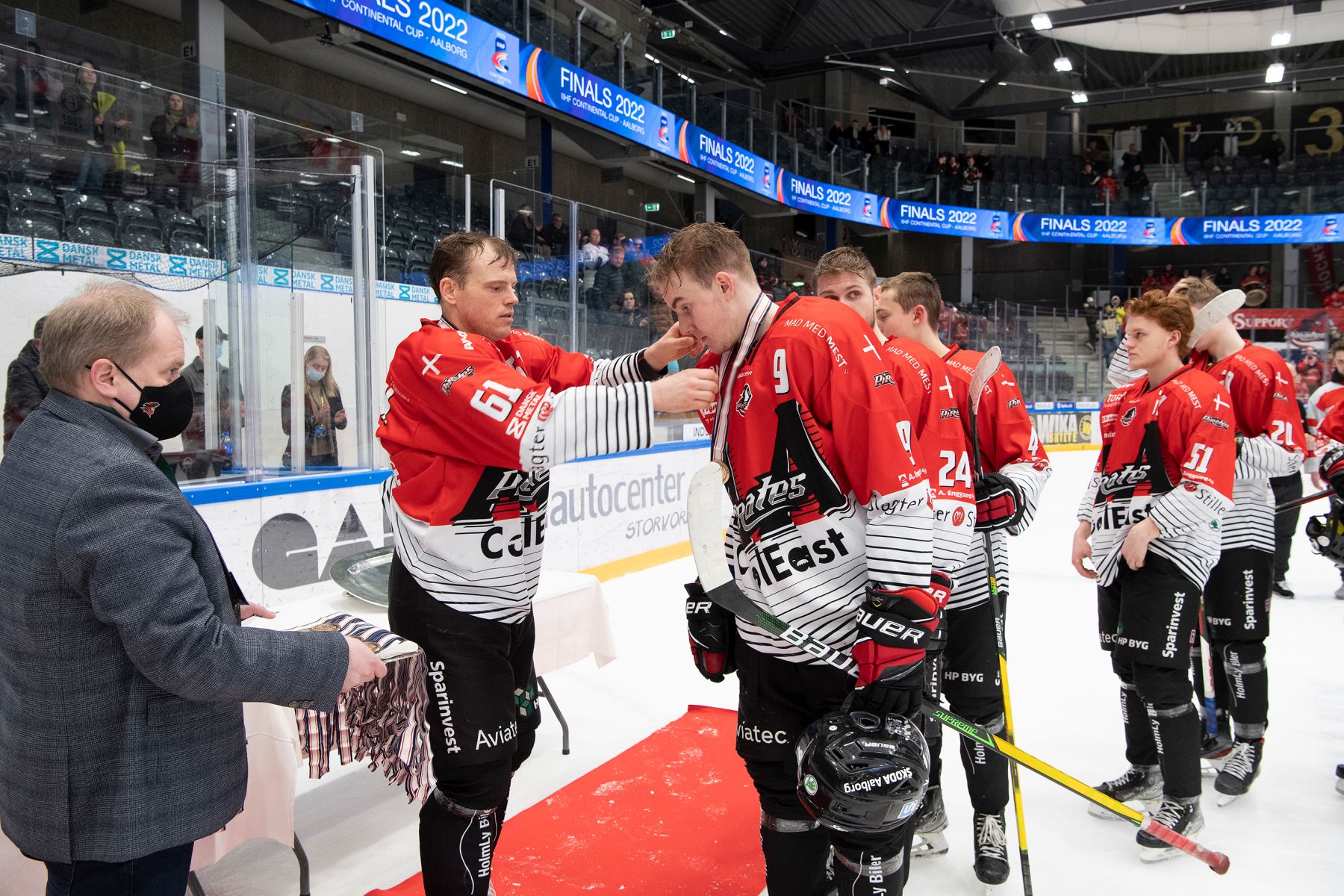 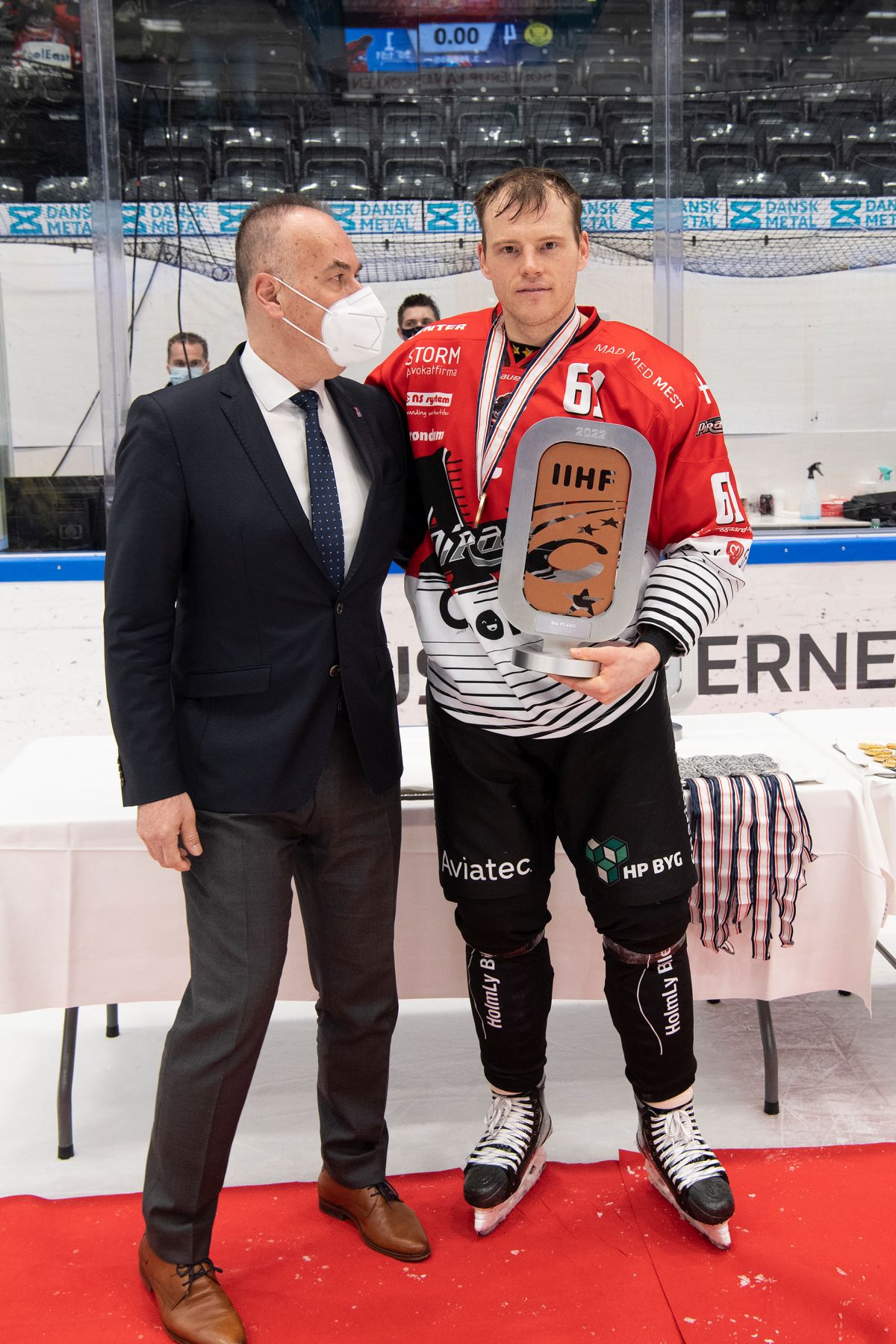 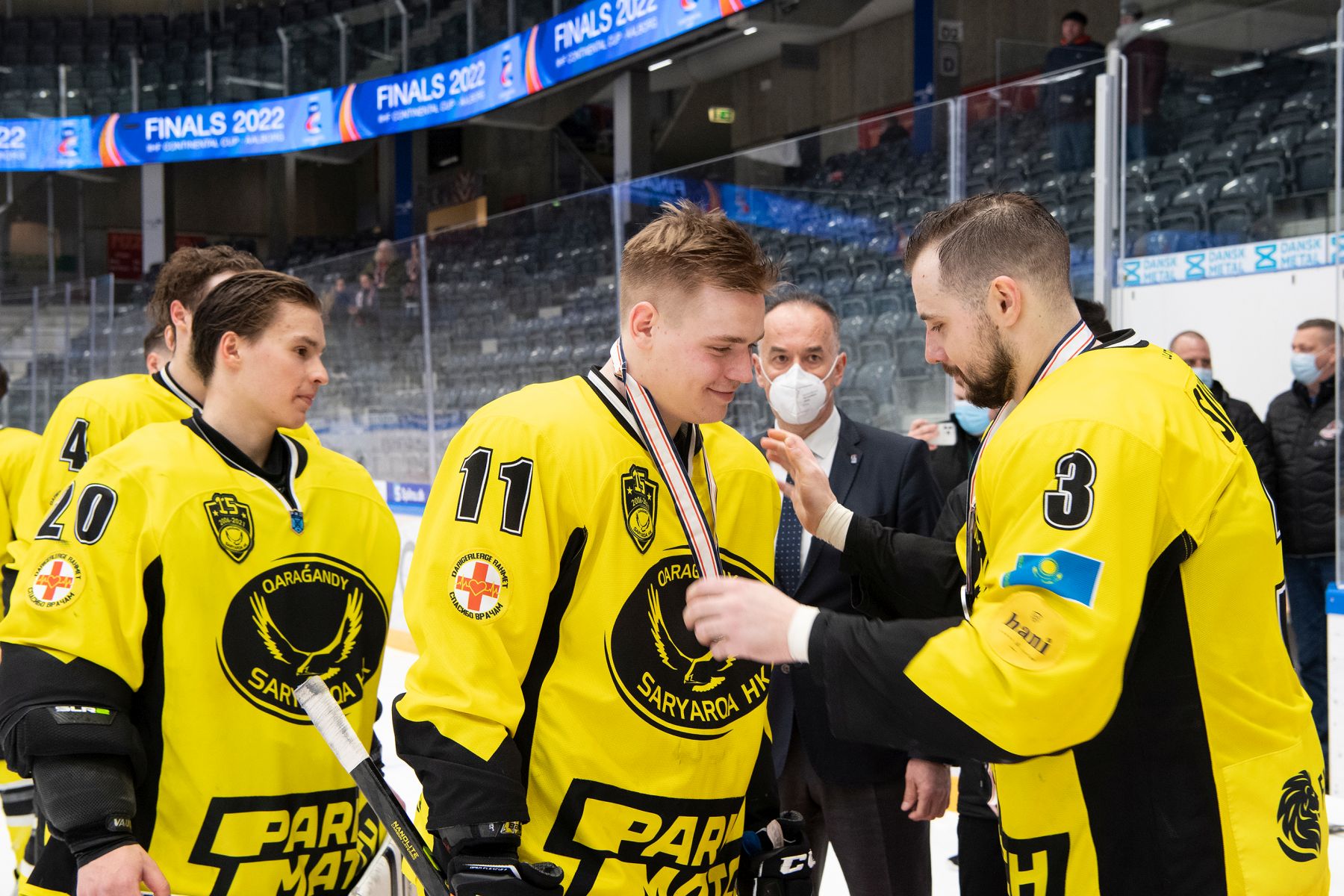 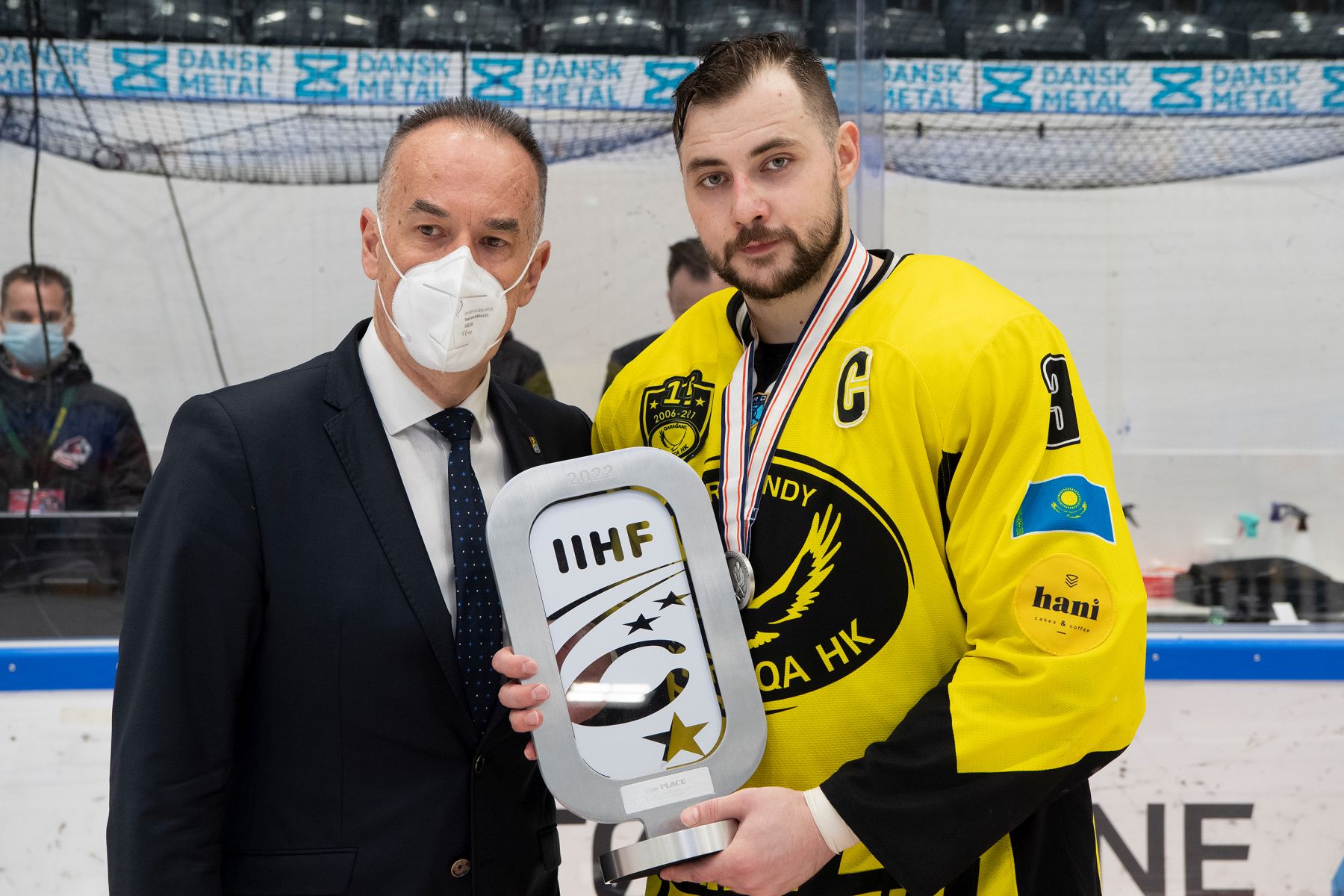 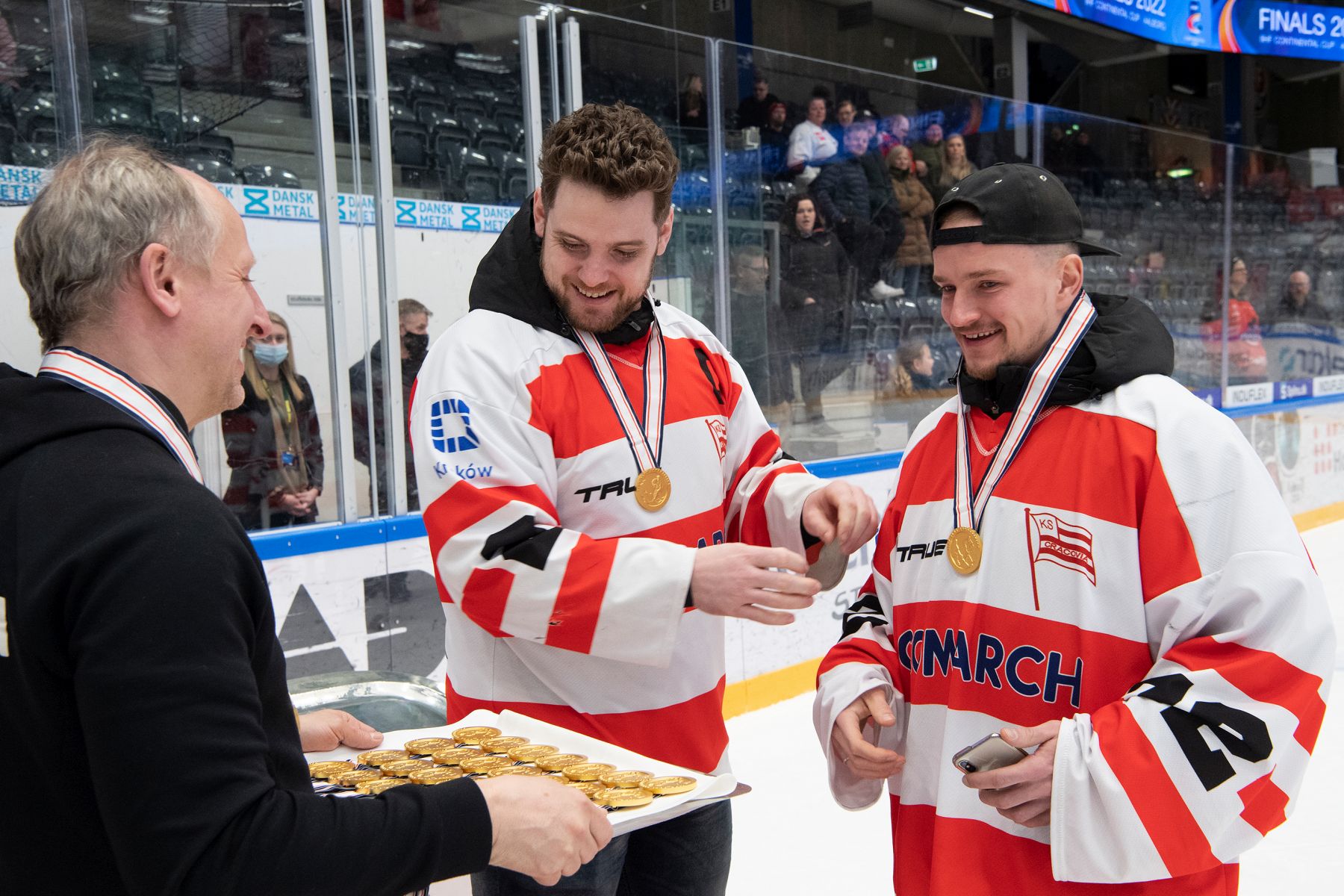 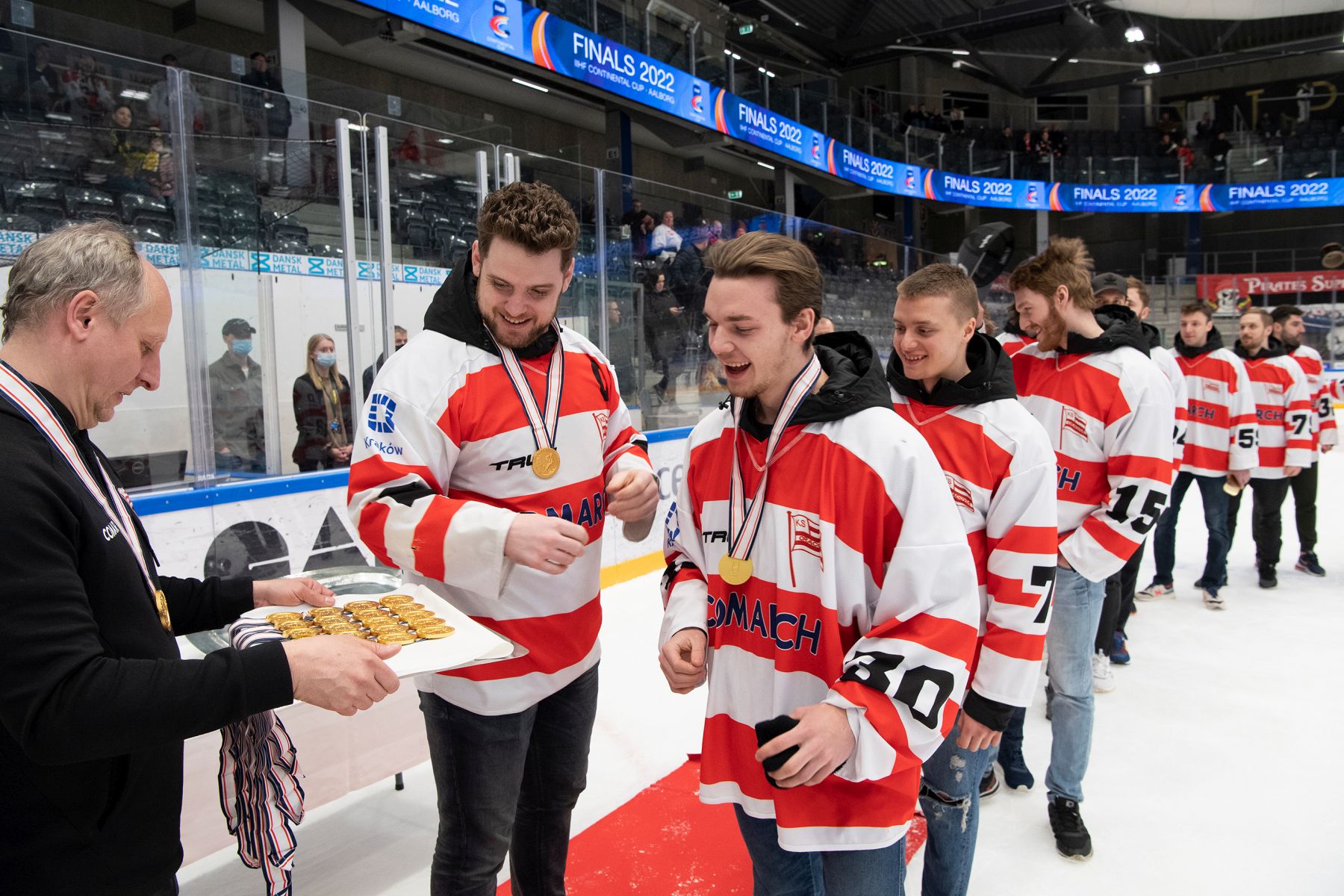 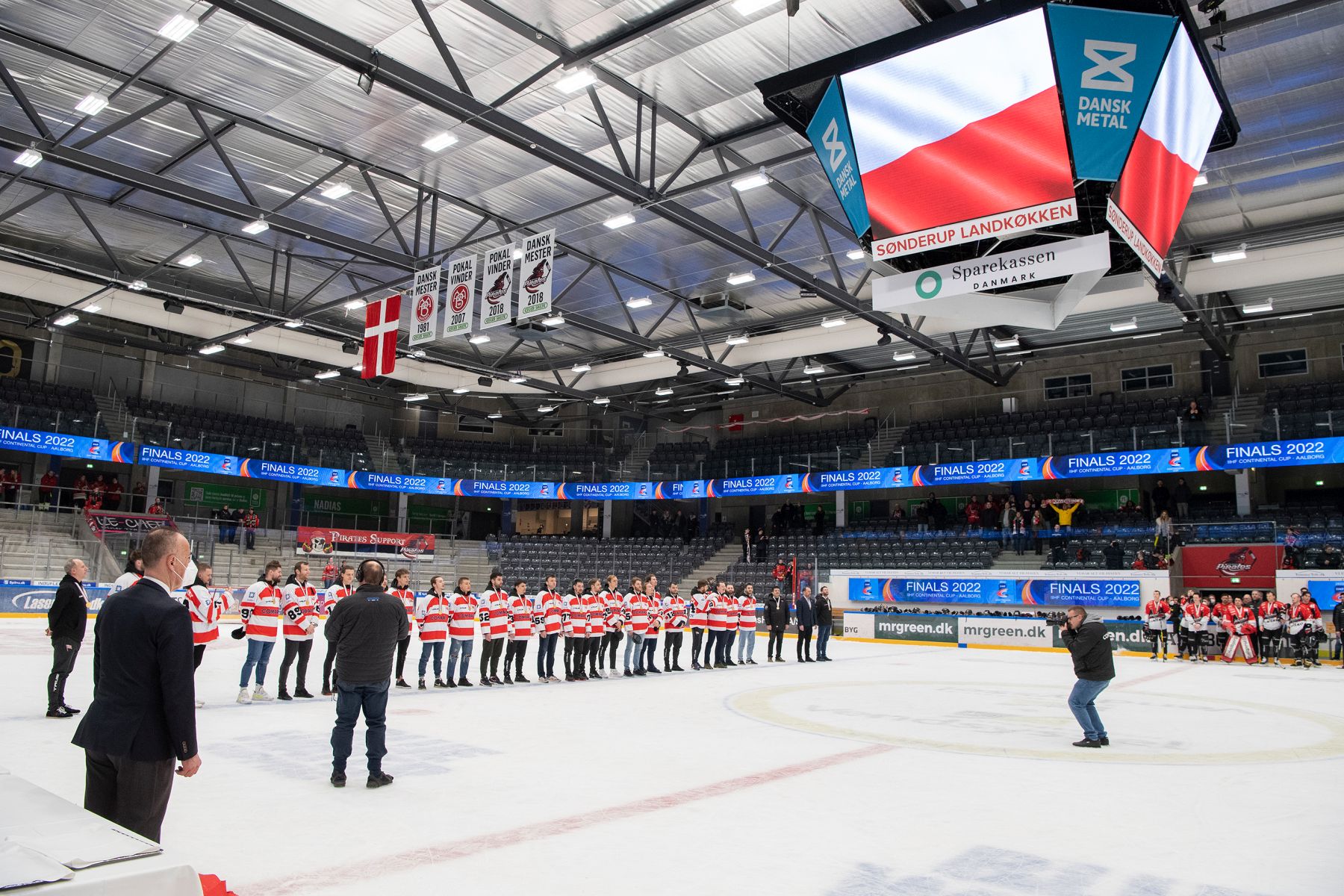 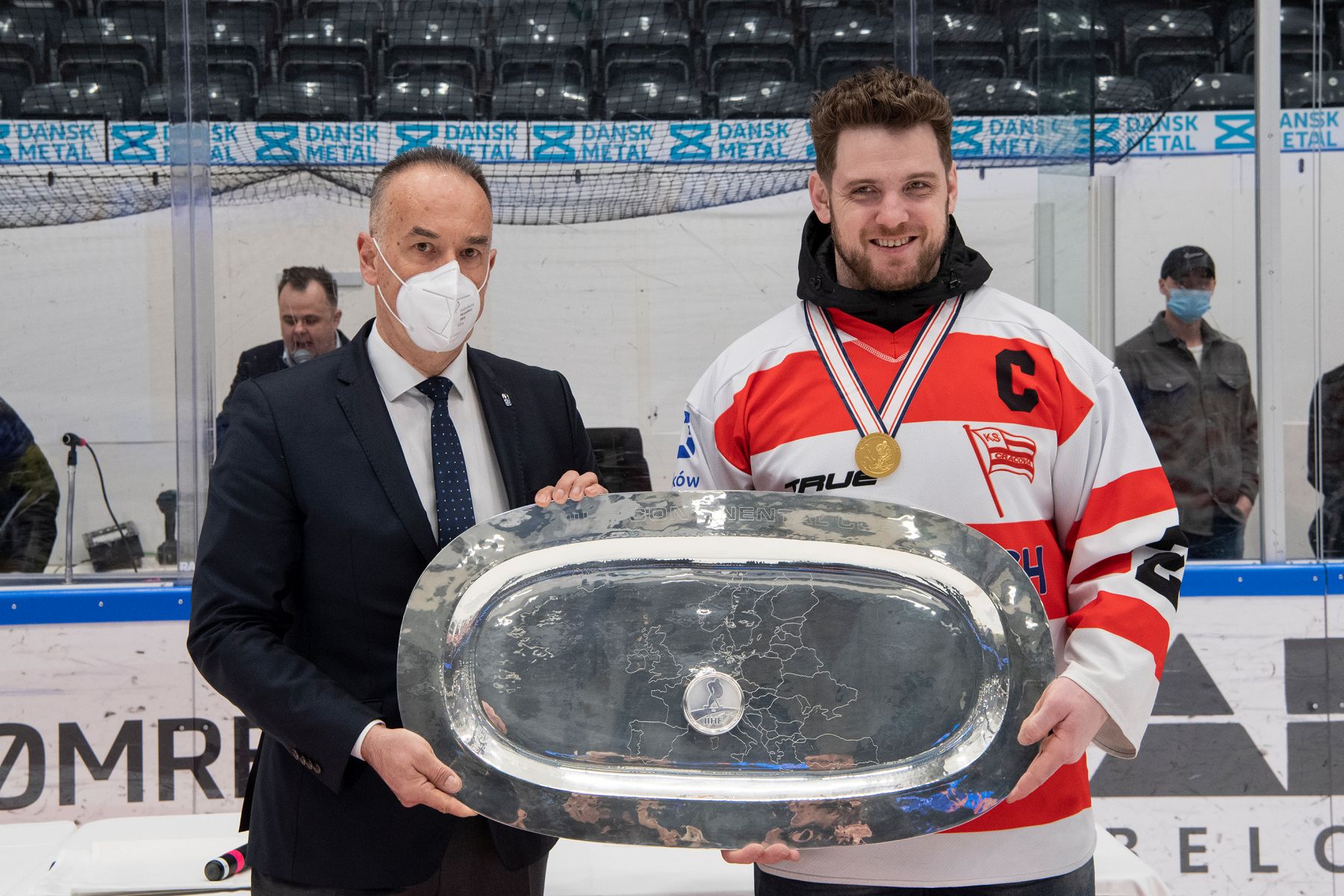 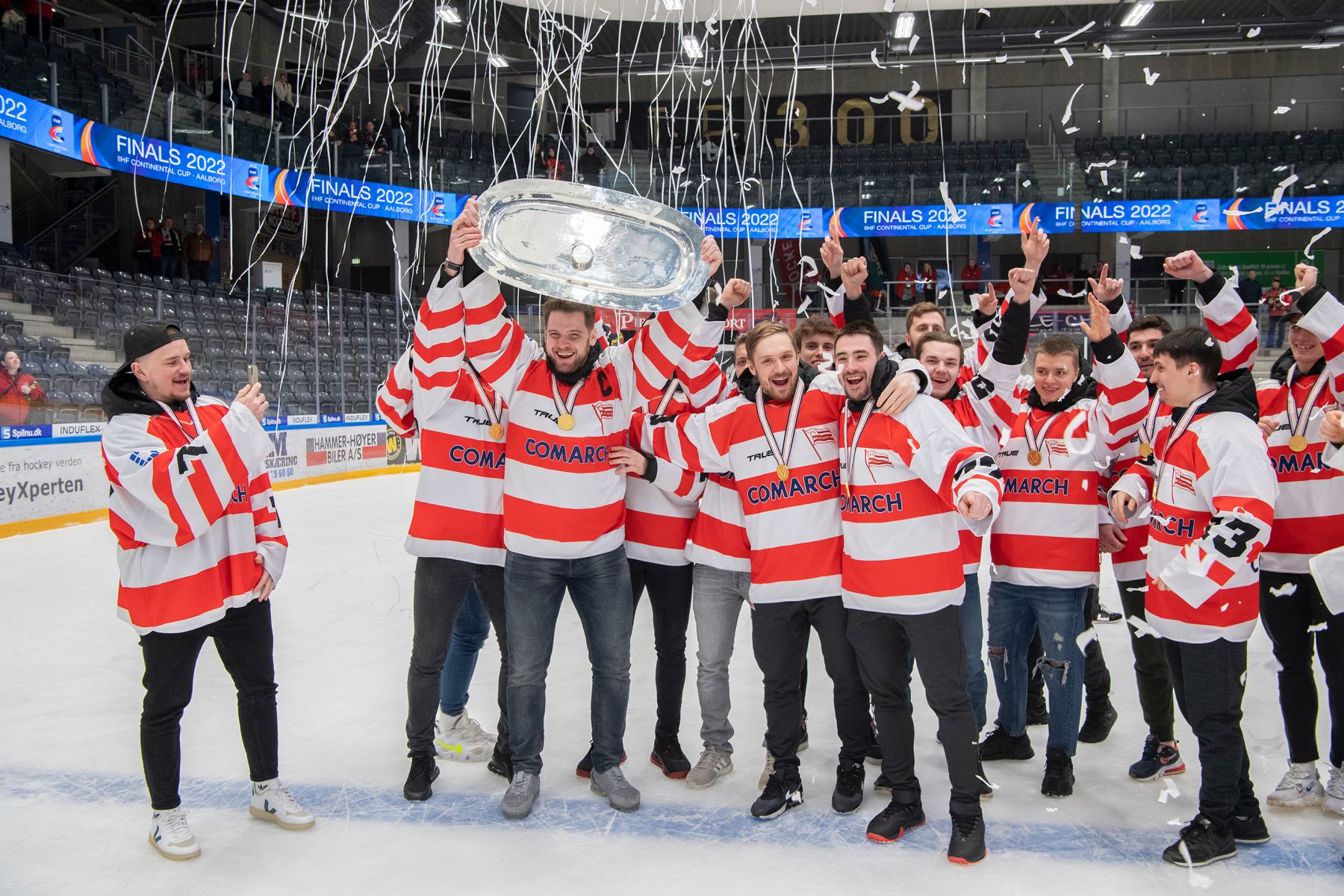 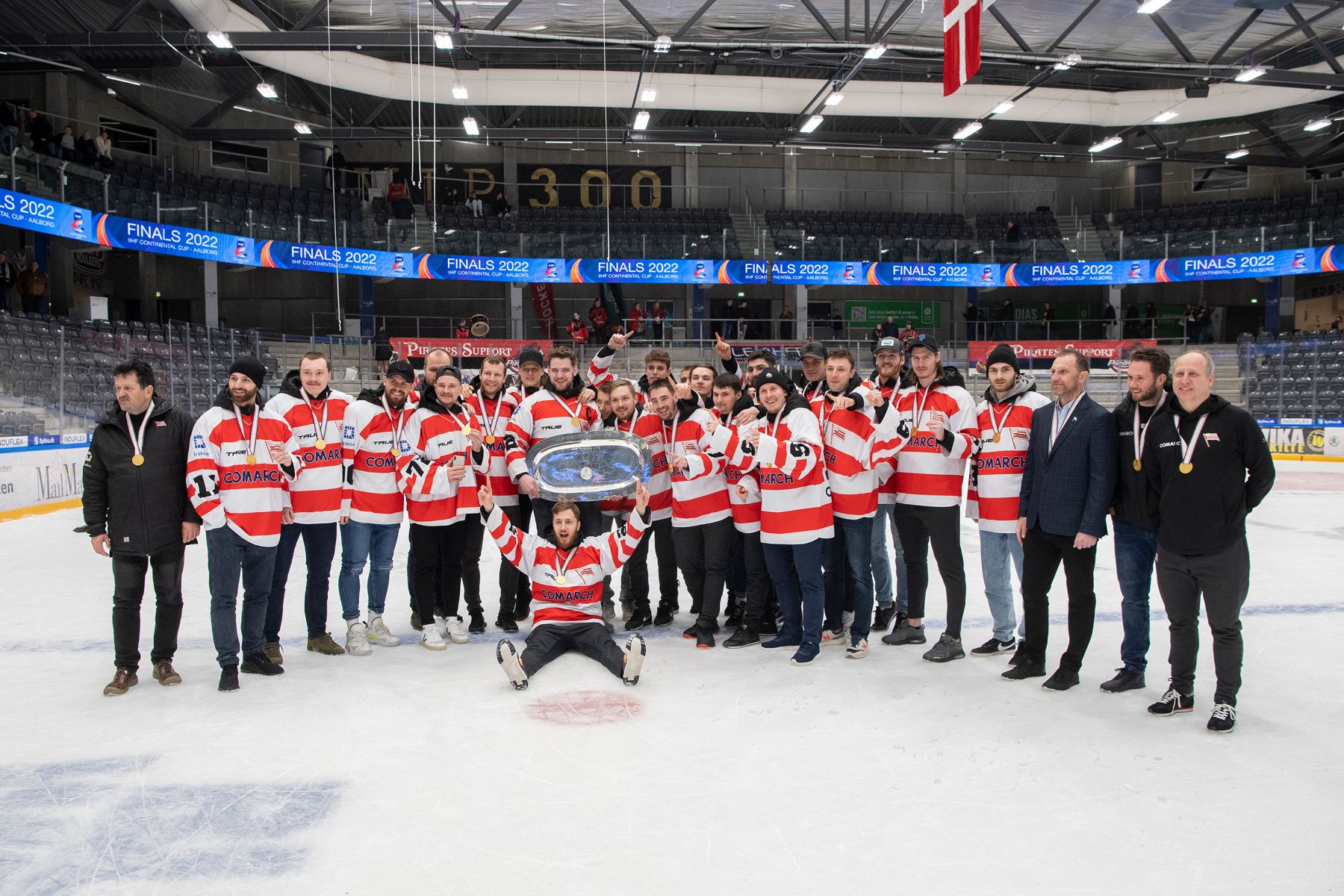 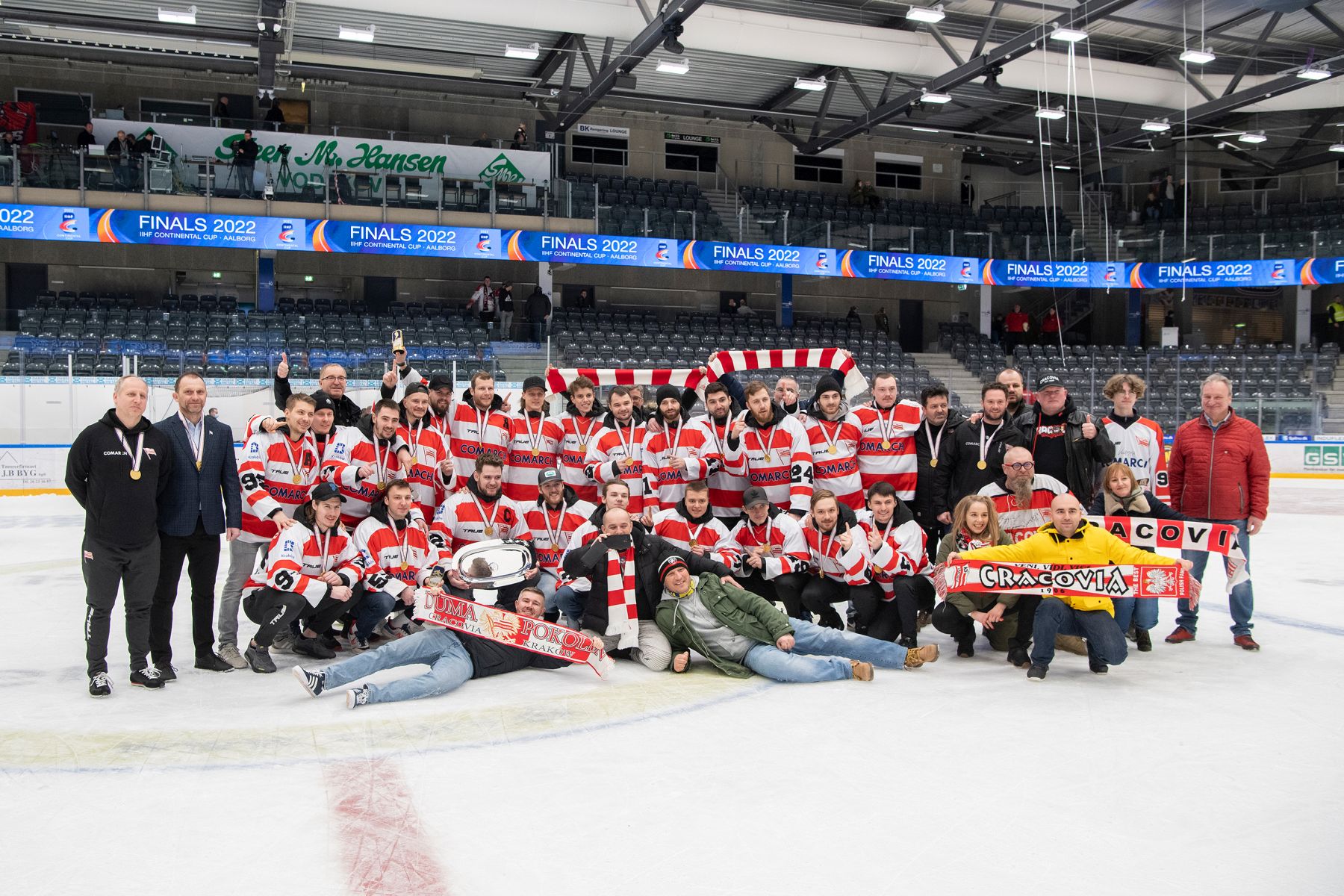