In the second game on the first day of Group C action in the Final Qualification Round for Beijing 2022, the host Czechs were cheered on by an enthusisastic home crowd and turned in a solid performance against a Norwegian team that was overpowered but never quit. Thanks to solid team defence and goaltending from Ena Nystrom, the final score was 3-1 despite a decisive edge in play favouring the Czechs. Daniela Pejsova paced the host team offensively with a goal and an assist.

“On the defensive side they were really good,” Pejsova said about Norway. “Fortunately, we were better and scored some goals and that’s why we won.”

“We knew the Czechs are a strong team and we wanted to focus on our defence and take advantage of the opportunities that we get, and we didn’t quite do the job today,” said Norwegian forward Madelen Haug Hansen.

Captain Alena Mills opened the scoring just shy of the game’s 11-minute mark, finishing off a rush that involved Pavlina Horalkova and Denisa Krizova criss-crossing, as she waited for Nystrom to commit and then went upstairs.

“I thought we played well according to our game philosophy and identity,” said Czech head coach Tomas Pacina. “We were quite nervous, I think, playing at home and being called the favourite, first game after a while in a very important tournament. We were patient and Norway was a phenomenal opponent today. They had great goaltending, defended well and waited for our mistakes and tried to counter.”

“I’m pretty proud of the group,” said Norwegian head coach Thomas Pettersen. “We fought hard but made too many errors in the offensive zone so the Czech team got a lot of turnovers. We knew we wouldn’t get many chances so we needed to take care of them and we didn’t.”

Norway only had two official shots on goal in the first period. One was a breakaway against the flow of play by Emilie Kruse on which Klara Pelsarova made a great save. The other came at 16:16 on a strange play when captain Ingrid Morset took a whack at a loose puck in the slot that hit the skate of linemate Andrea Dahlen and slid into the crease behind Peslarova’s feet. Under immense pressure, defender Aneta Tejralova tried to rescue the puck but instead banked it off of the goalie’s skate and across the goal line for the equalizing goal.

“We got a long pass in the zone from down low in the zone to the D and had a lot of traffic in front of their goal,” said Haug Hansen. “It was a loose puck there behind the pad and maybe a lucky goal, but good netfront presence was the key thing.”

It took the Czechs just 19 seconds to regain the lead, however. Noemi Neubauerova led a rush up the right wing, crossed the blueline and fed Pejsova, who picked the far corner with a low wrister.

“It was good teamwork,” said Pejsova. “It was one of the things in our playbook and it was a good goal, I think.”

The second period was more of the same, with the Czechs dictating play and again with a wide edge in shots, this time 12-1. They also had some great chances that they misfired on, with Katerina Mrazova shooting high with Nystrom at her mercy. Dominika Laskova was in alone and attempted a deke but was tripped by the Norwegian goalie, drawing a penalty that came up fruitless.

“We didn’t get frustrated,” said Pacina. “We knew it was going to be this kind of game and we were mentally well prepared for this. I think we were nervous but there was no frustration.”

The Czechs finally got a bit of breathing room on a delayed penalty early in the third. With Peslarova on the bench for a sixth attacker, Pejsova passed out from the boards into the slot for Aneta Ledlova, who beat Nystrom high blocker side.

“At first, I was going to try to shoot the puck on net but I kept saw Aneta in the middle of the offensive zone, so I passed to her and she scored,” said Pejsova. “It was incredible.”

A minute later, Ledlova had another chance in alone but shot wide. The play went quickly back the other way and the Norwegians thought they’d closed the gap again, but replays showed Madelin Haug Hansen’s one-timer ringing off the goalpost but never crossing the goal line.

“I thought I had it,” Haug Hansen admitted. “I should have but it hit the post. I’ll have it on Saturday instead.”

The Czechs continued to press and had several glorious chances to widen their lead, with Nystrom standing tall and hitting iron on a couple of other occasions. Nevertheless, they were happy to keep the play far away from their own net and protect their two-goal lead, which they did successfully. Even on a late power play, the Czechs wisely chose to pass around the perimeter and keep possession rather than risk a turnover.

“I think we were a little bit too passive when the Czechs started skating around our zone,” said Pettersen. “Our plan was to play strong defensively and transition fast and we did that with success sometimes, but we wanted to do that more often.”

The loss doesn’t end the Norwegians’ chances of qualifying, but they will need help and almost certainly will have to take the maximum six points from their remaining two games, starting with a huge test against Hungary on Saturday night. The next test for the Czechs is Saturday afternoon against Poland. 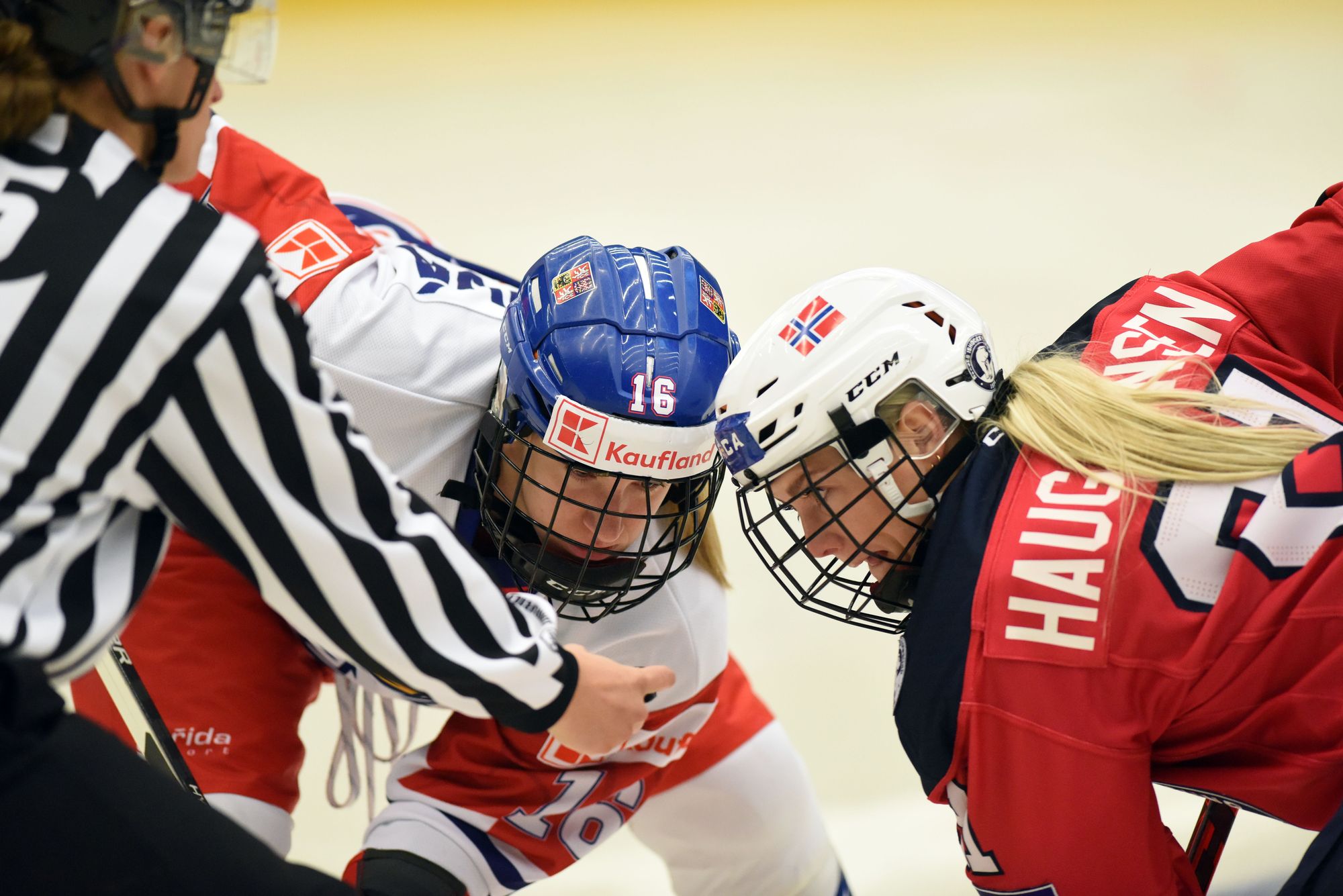 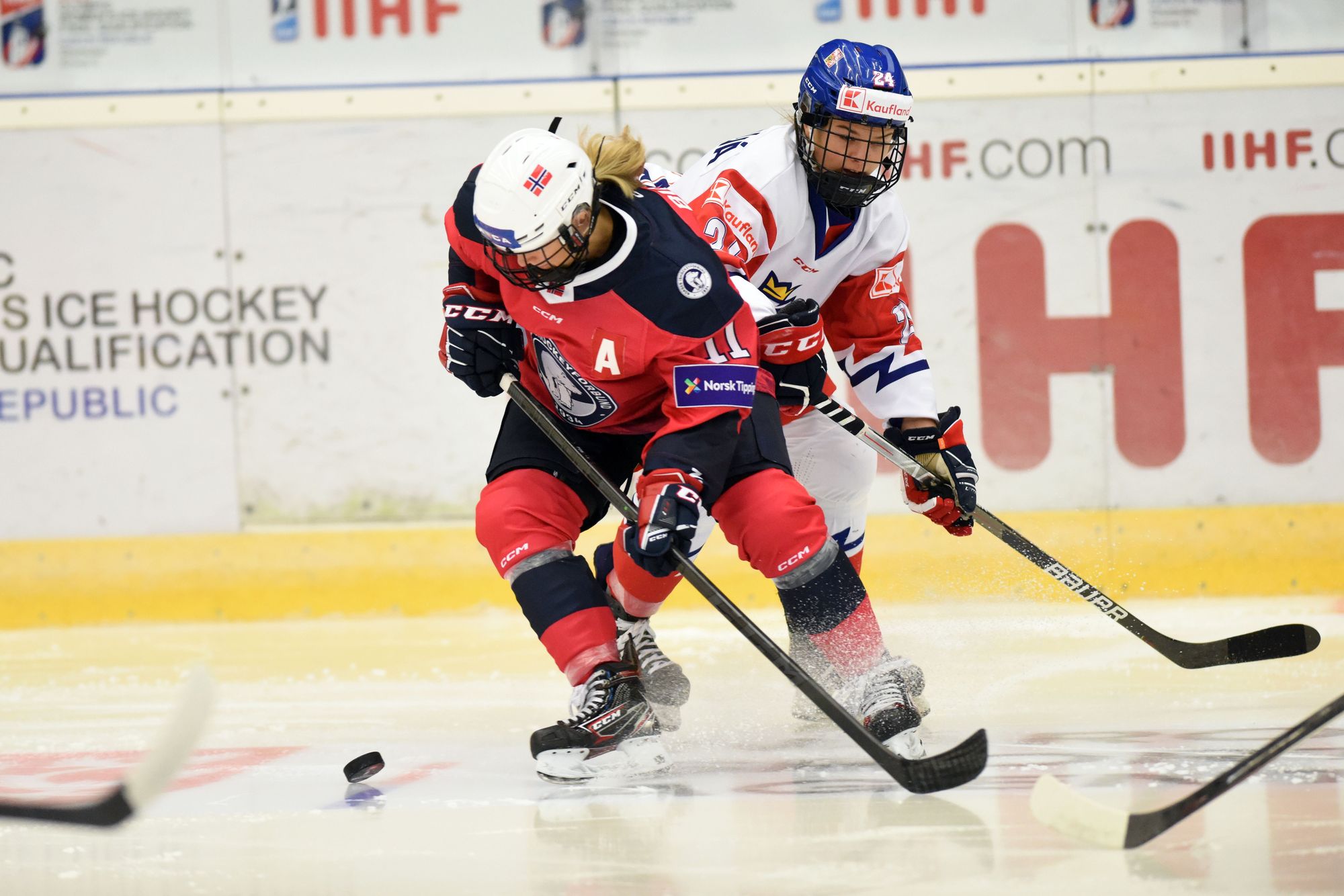 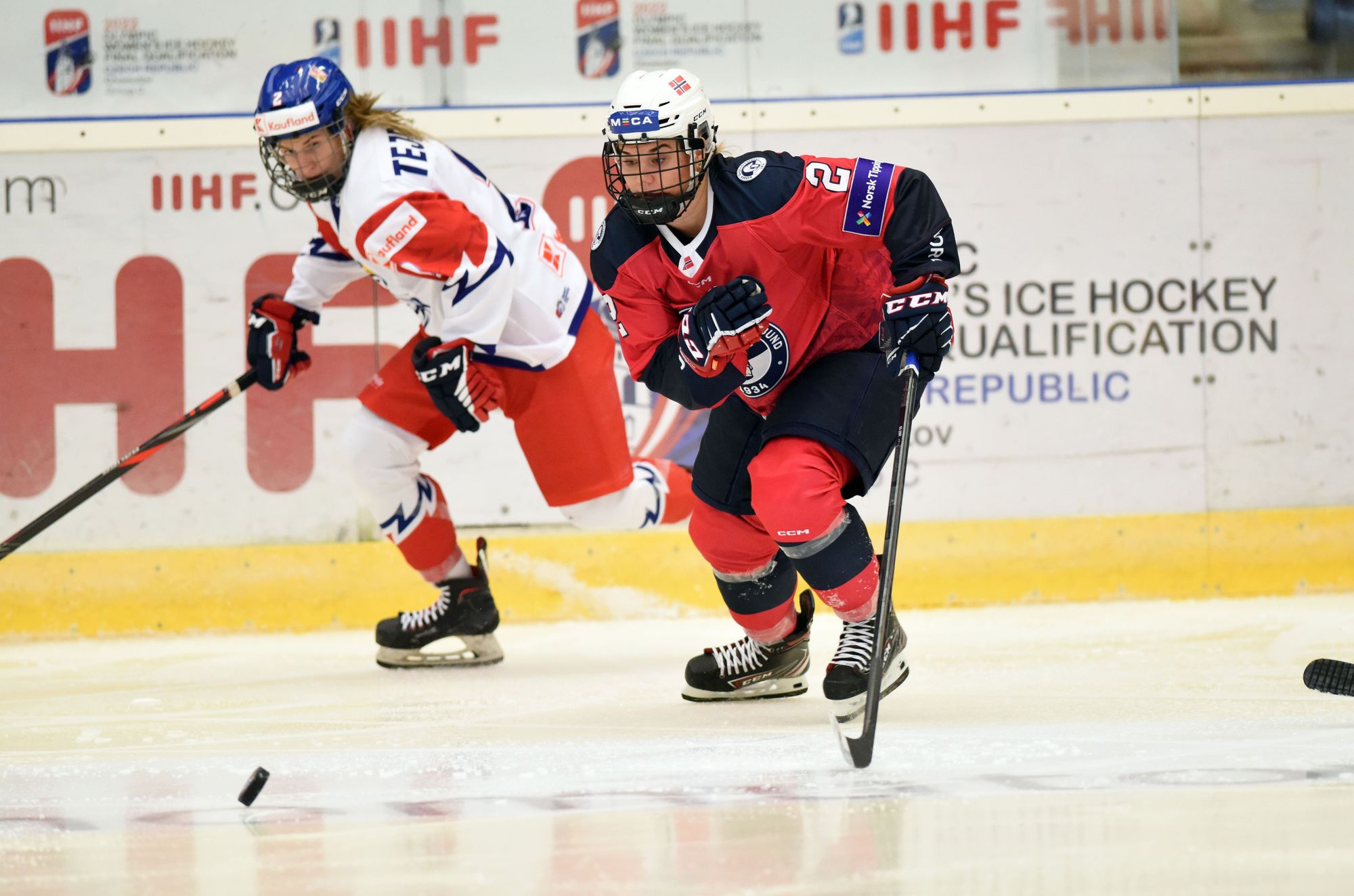 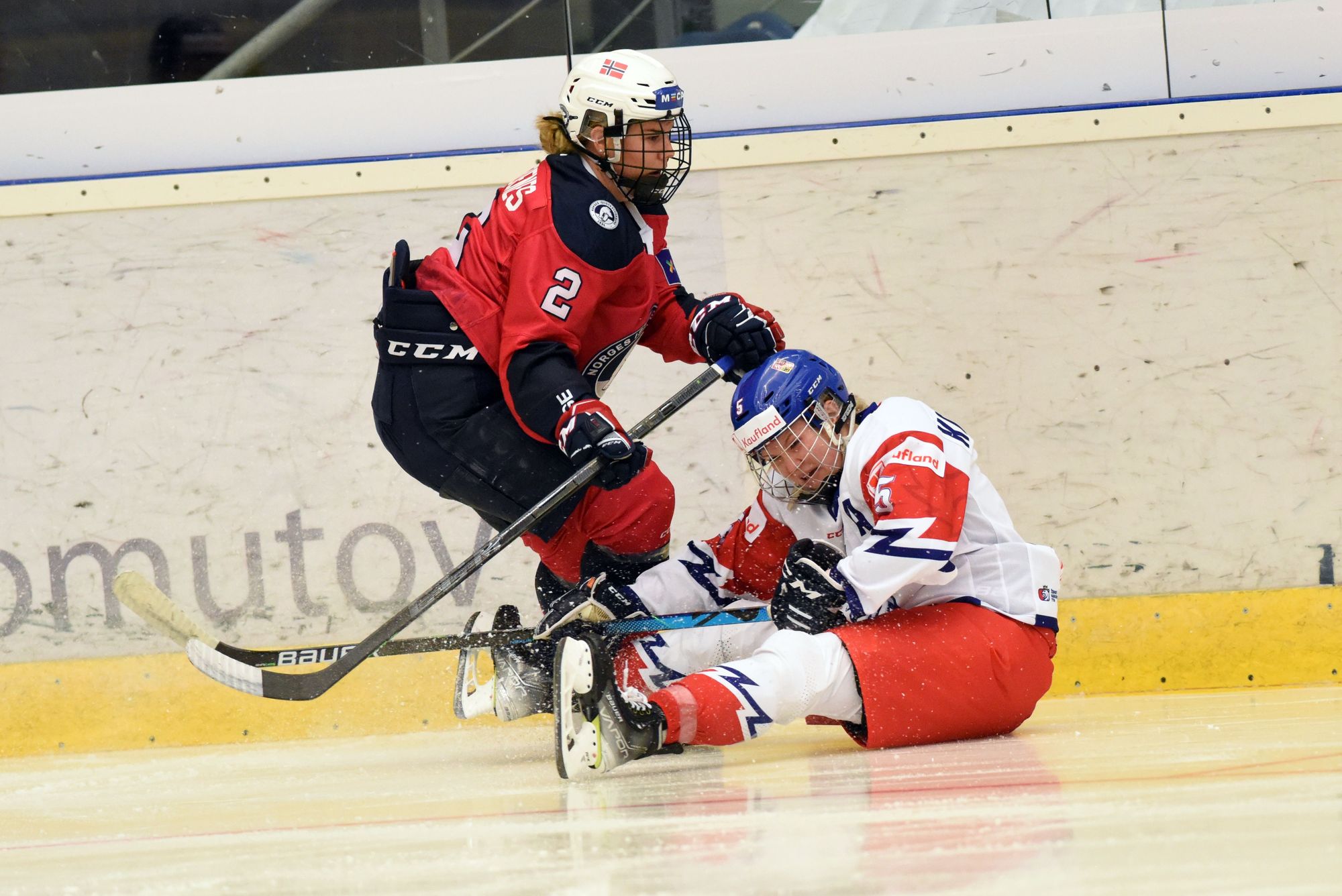 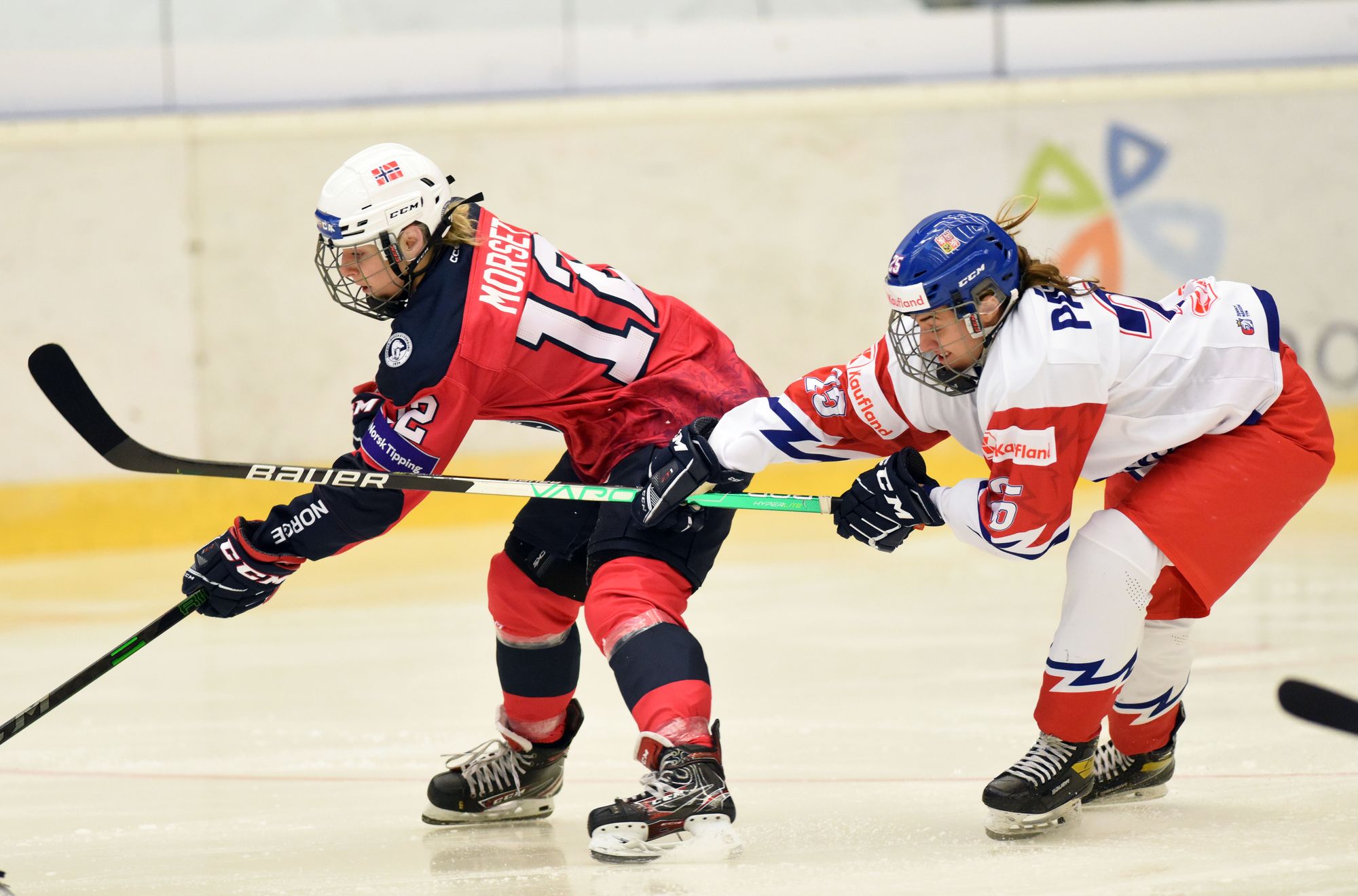 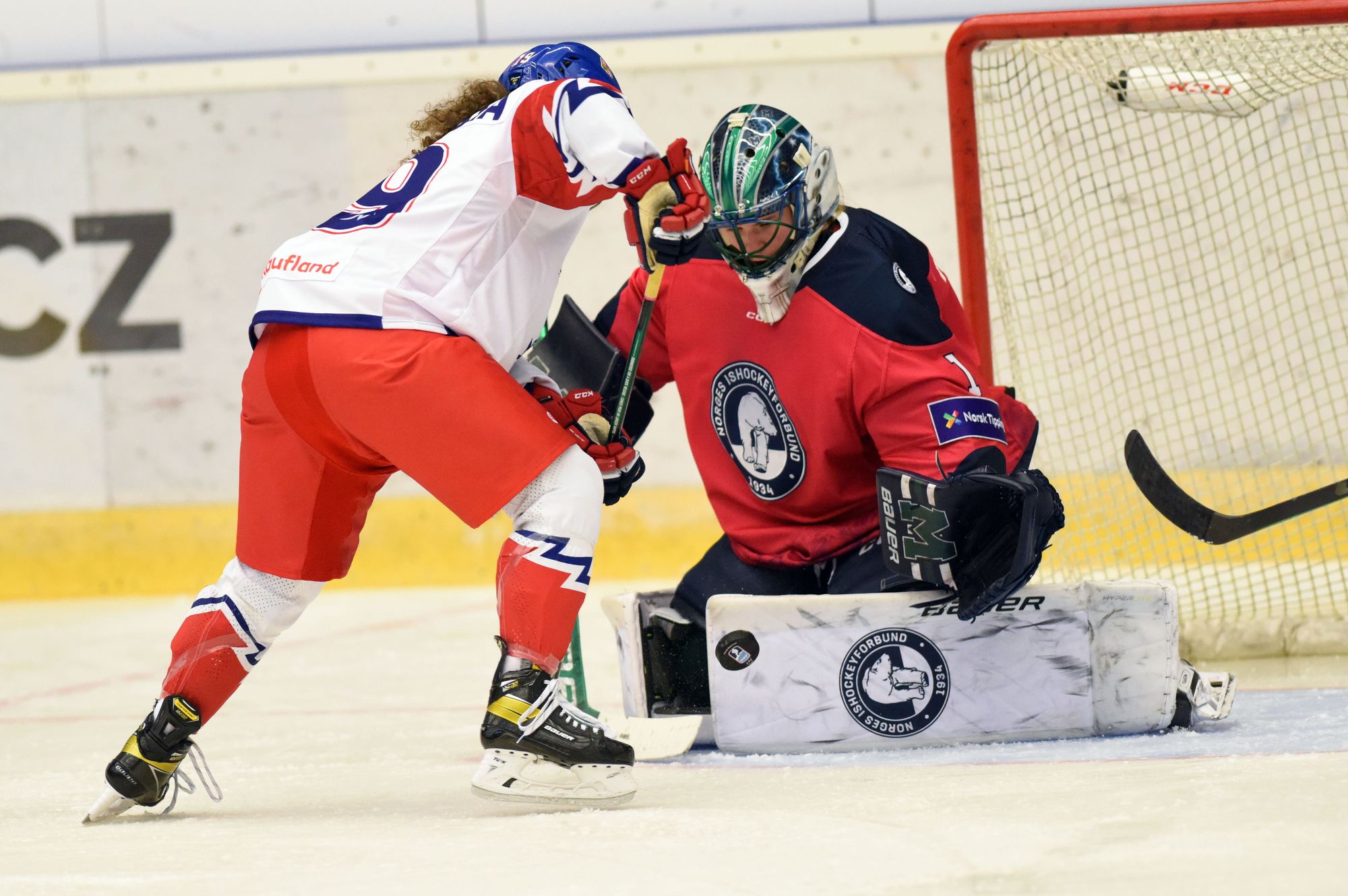 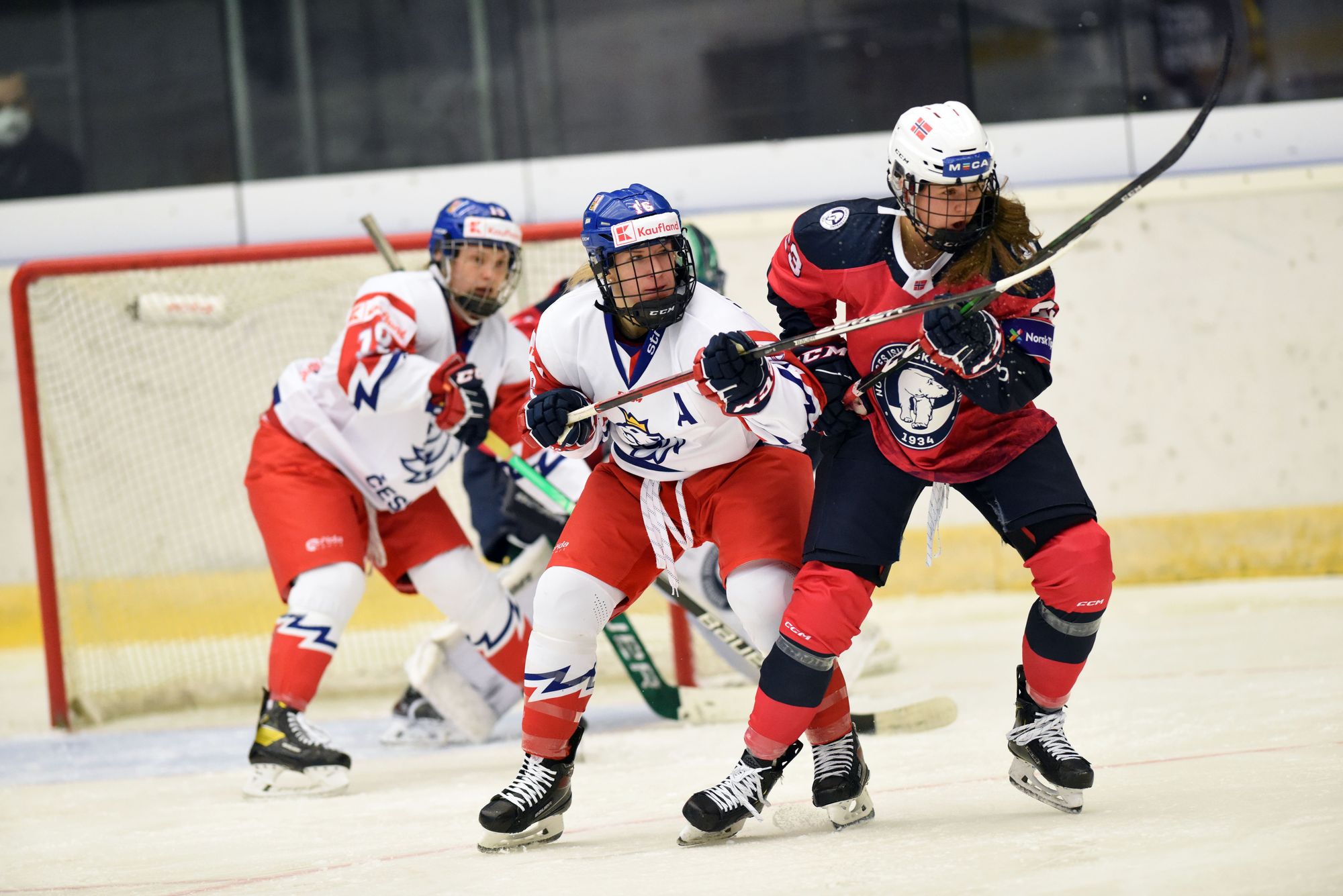 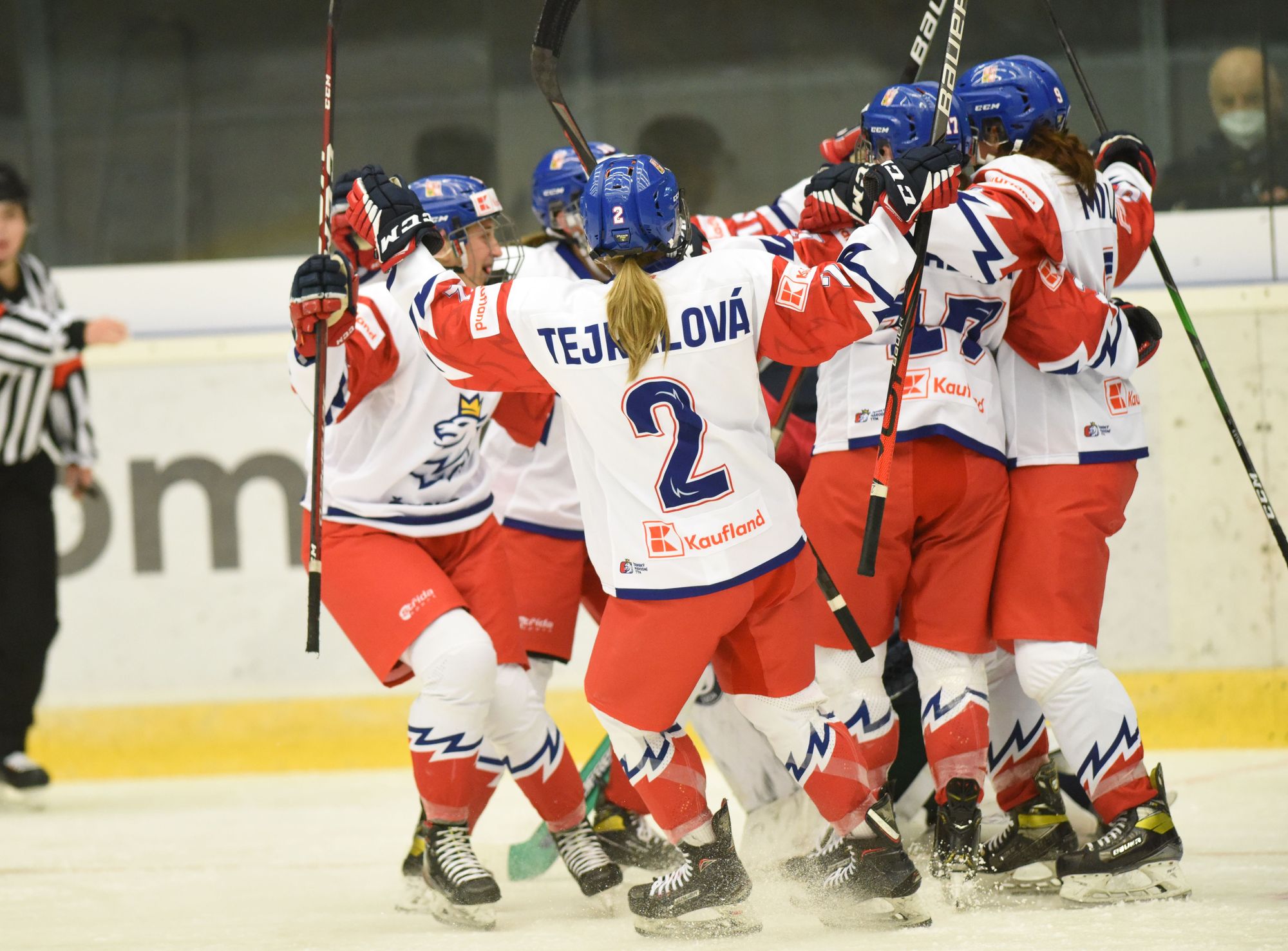 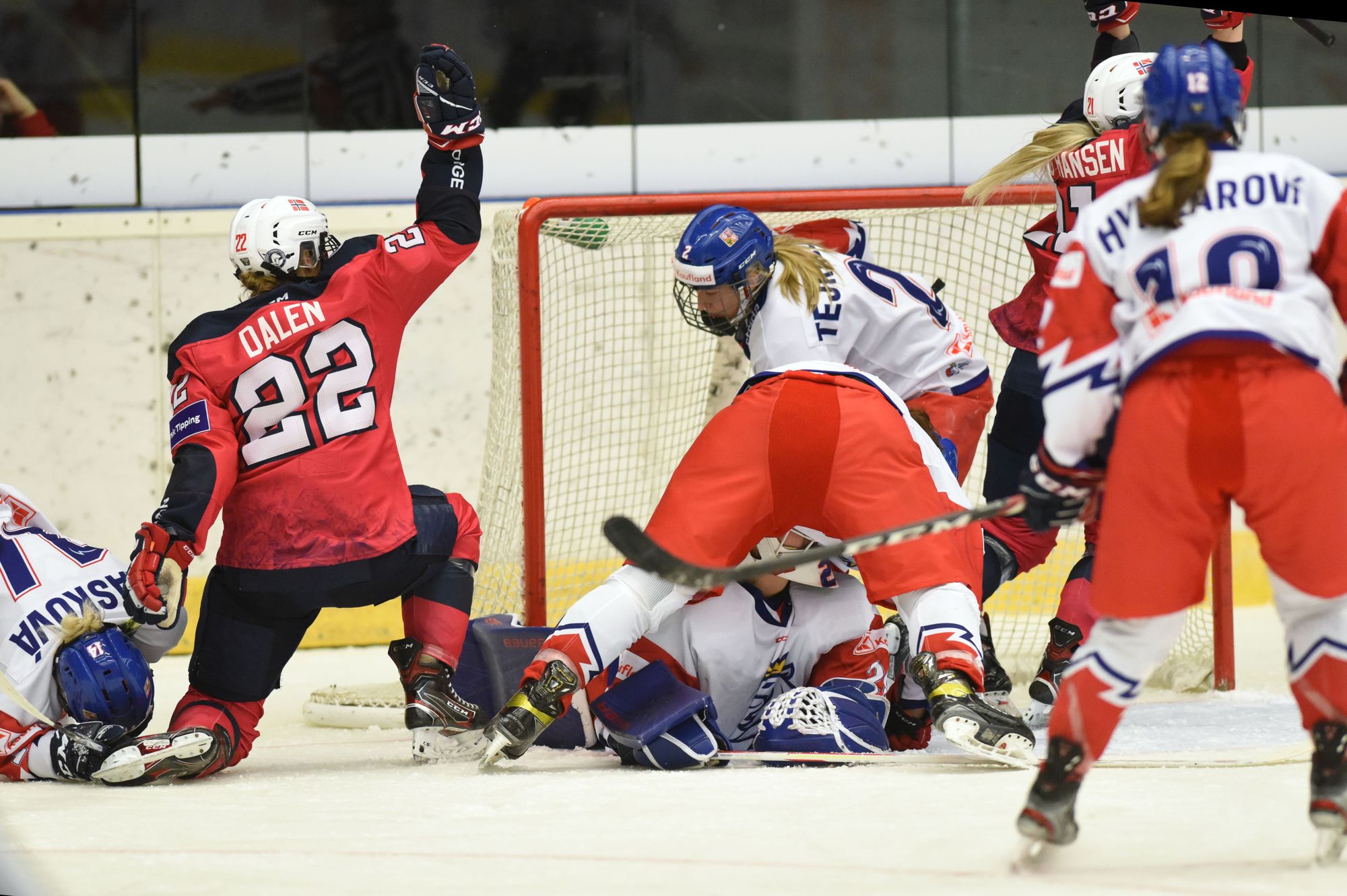 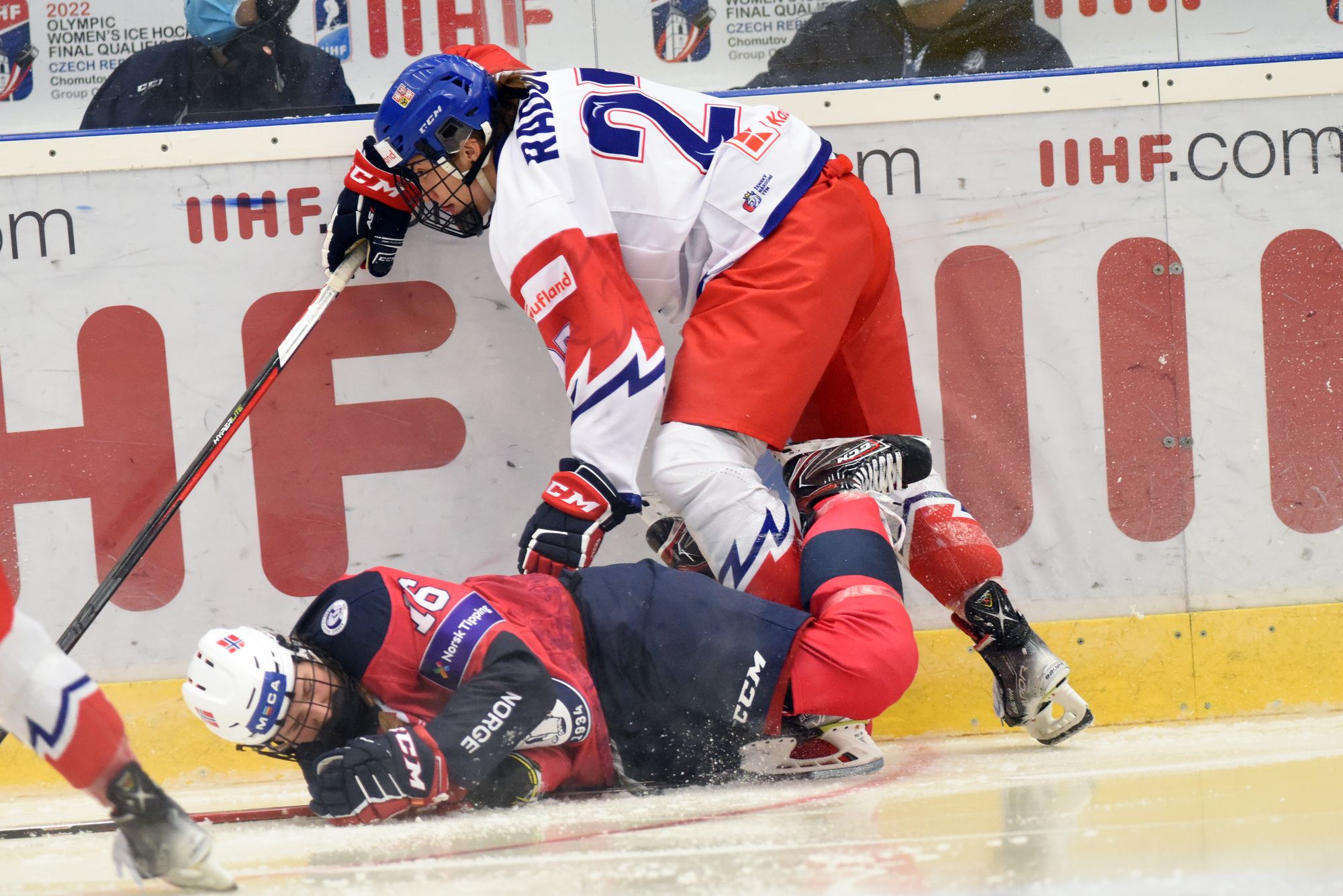 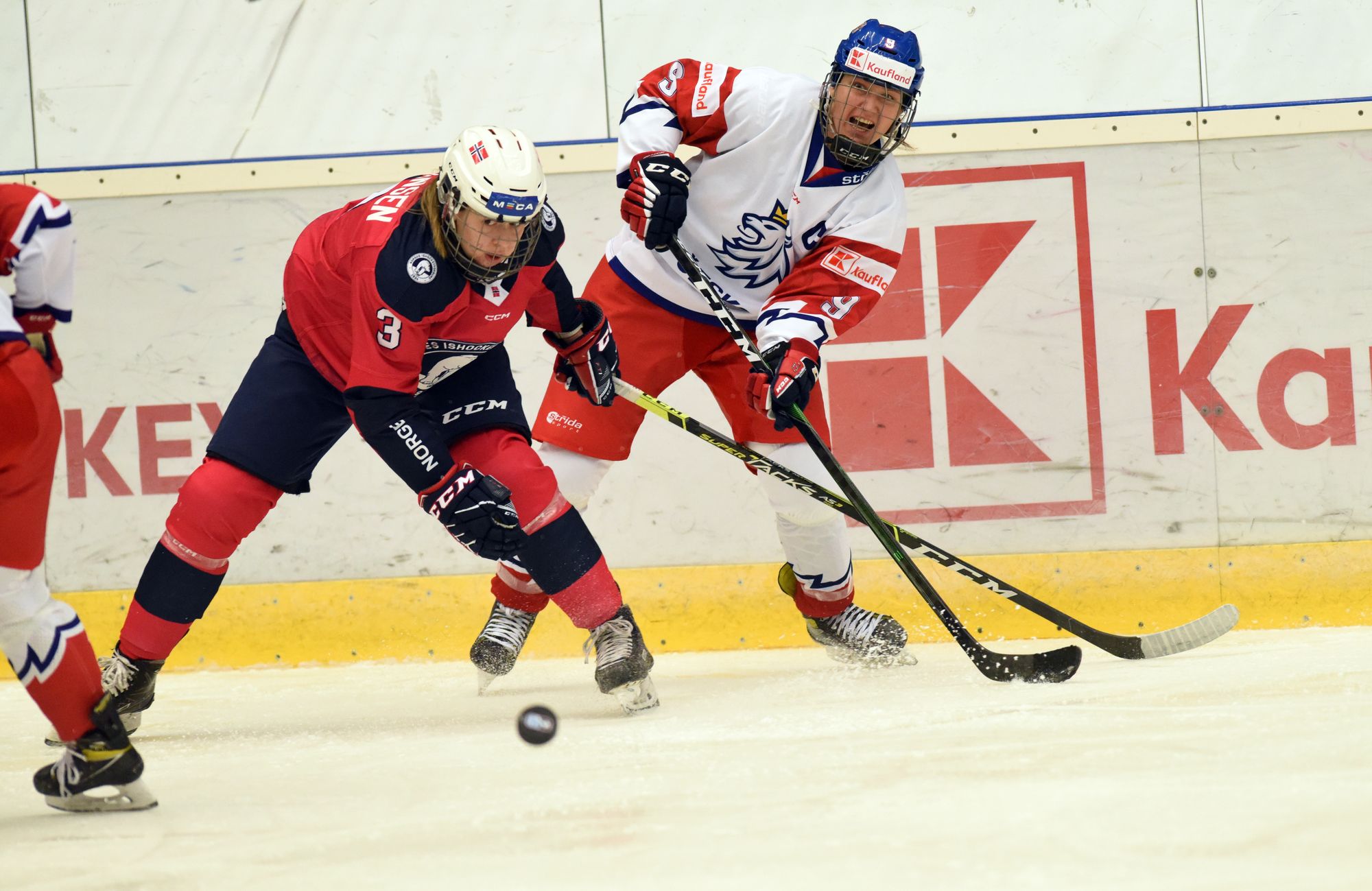 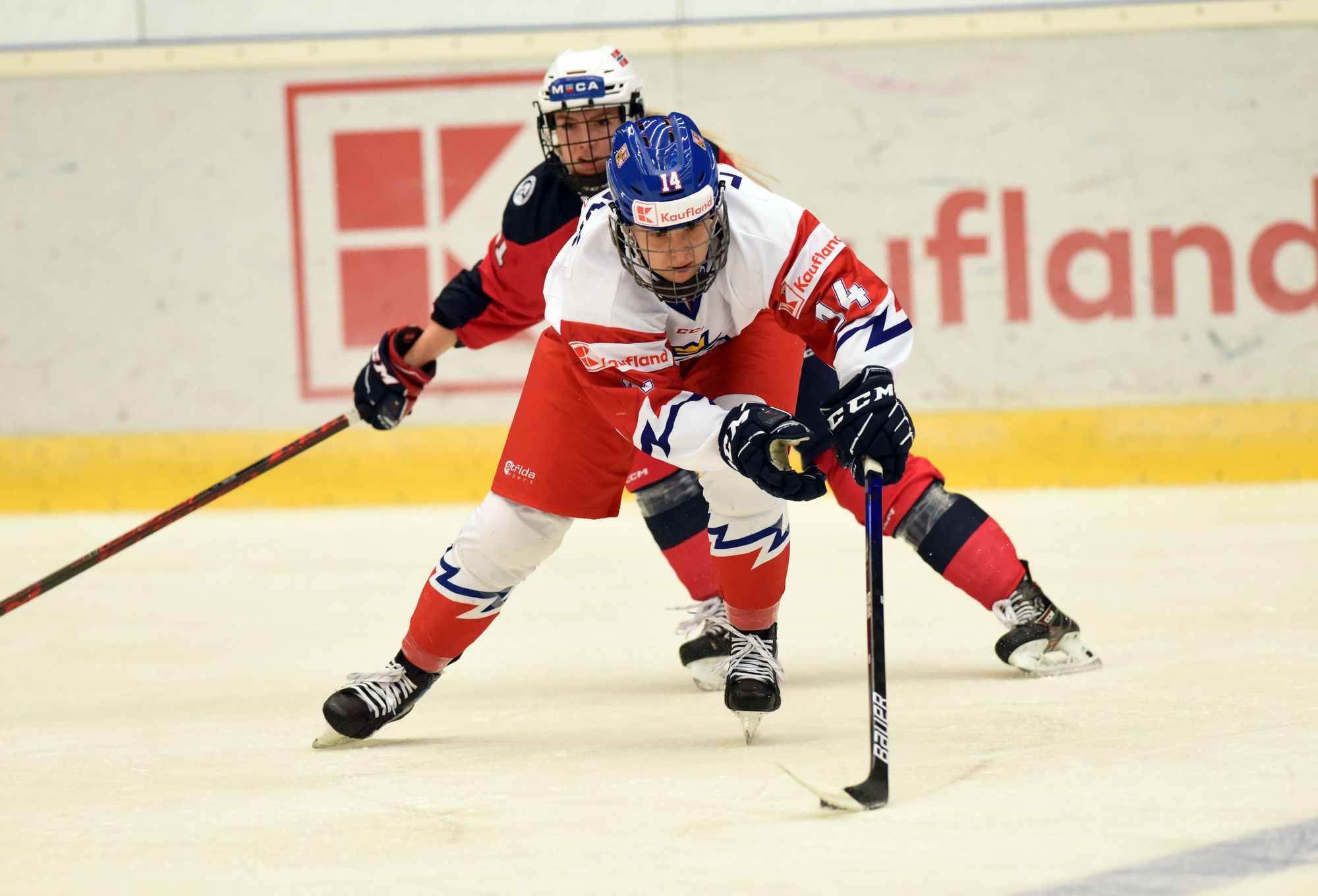 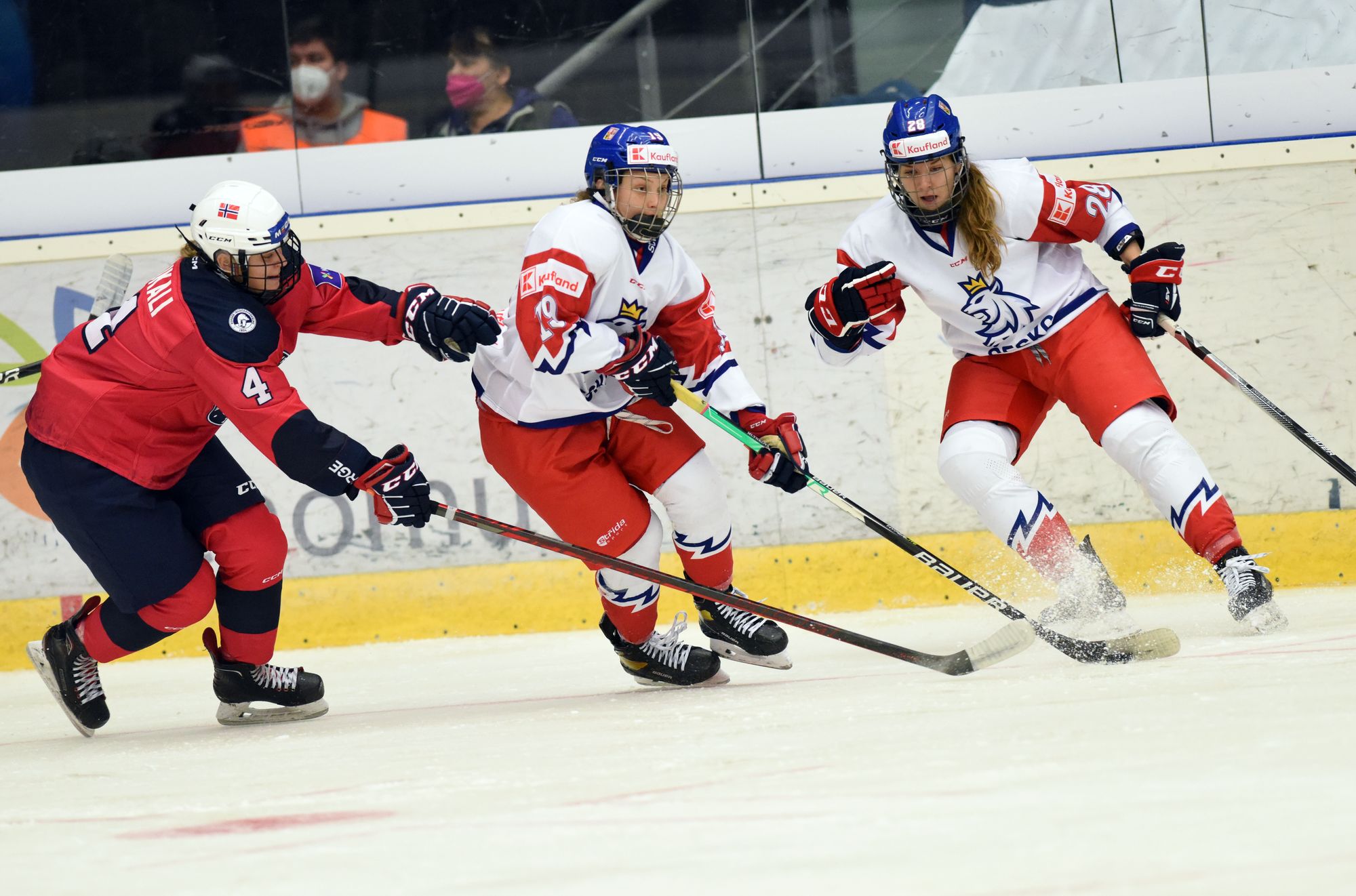 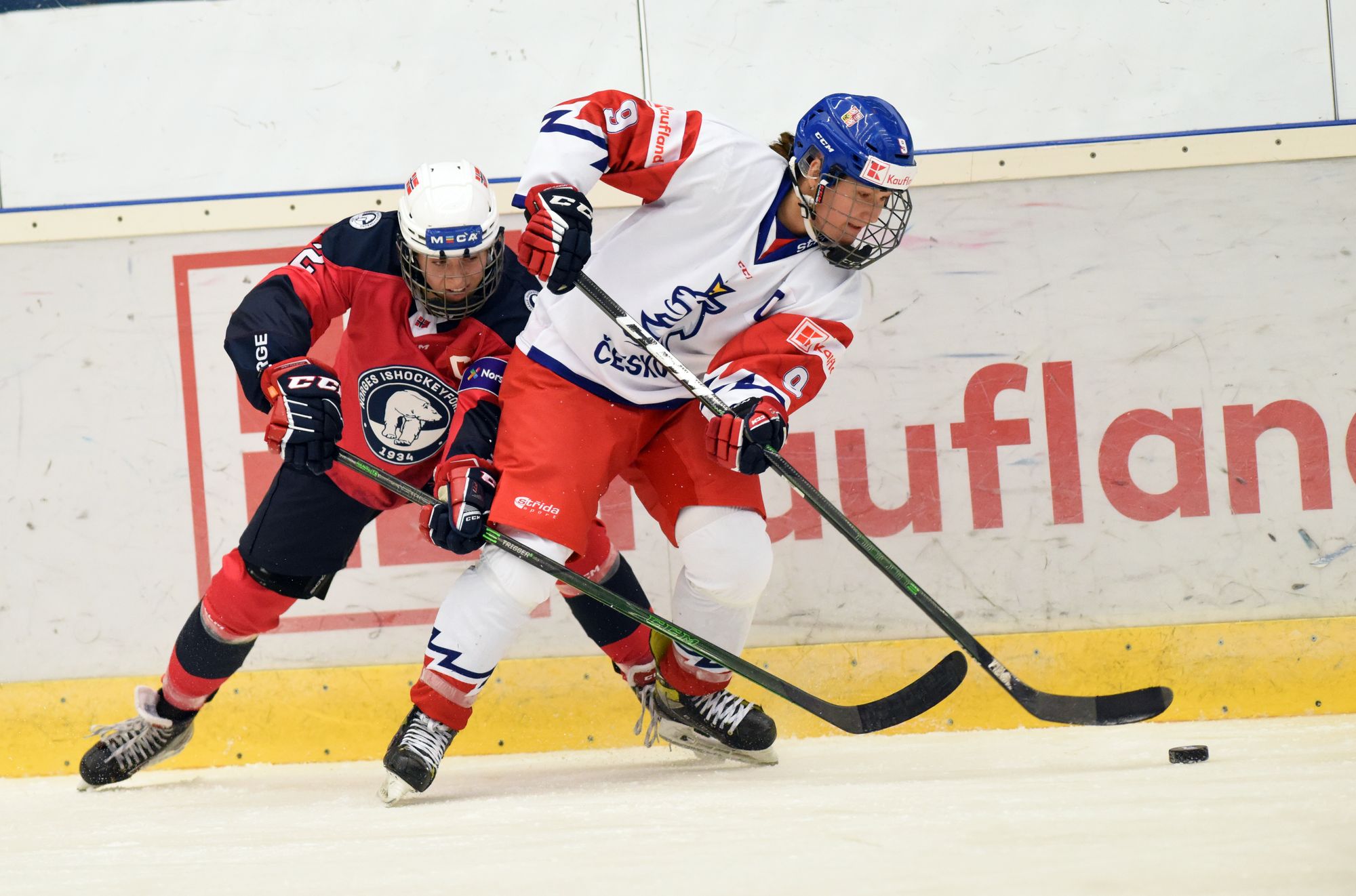 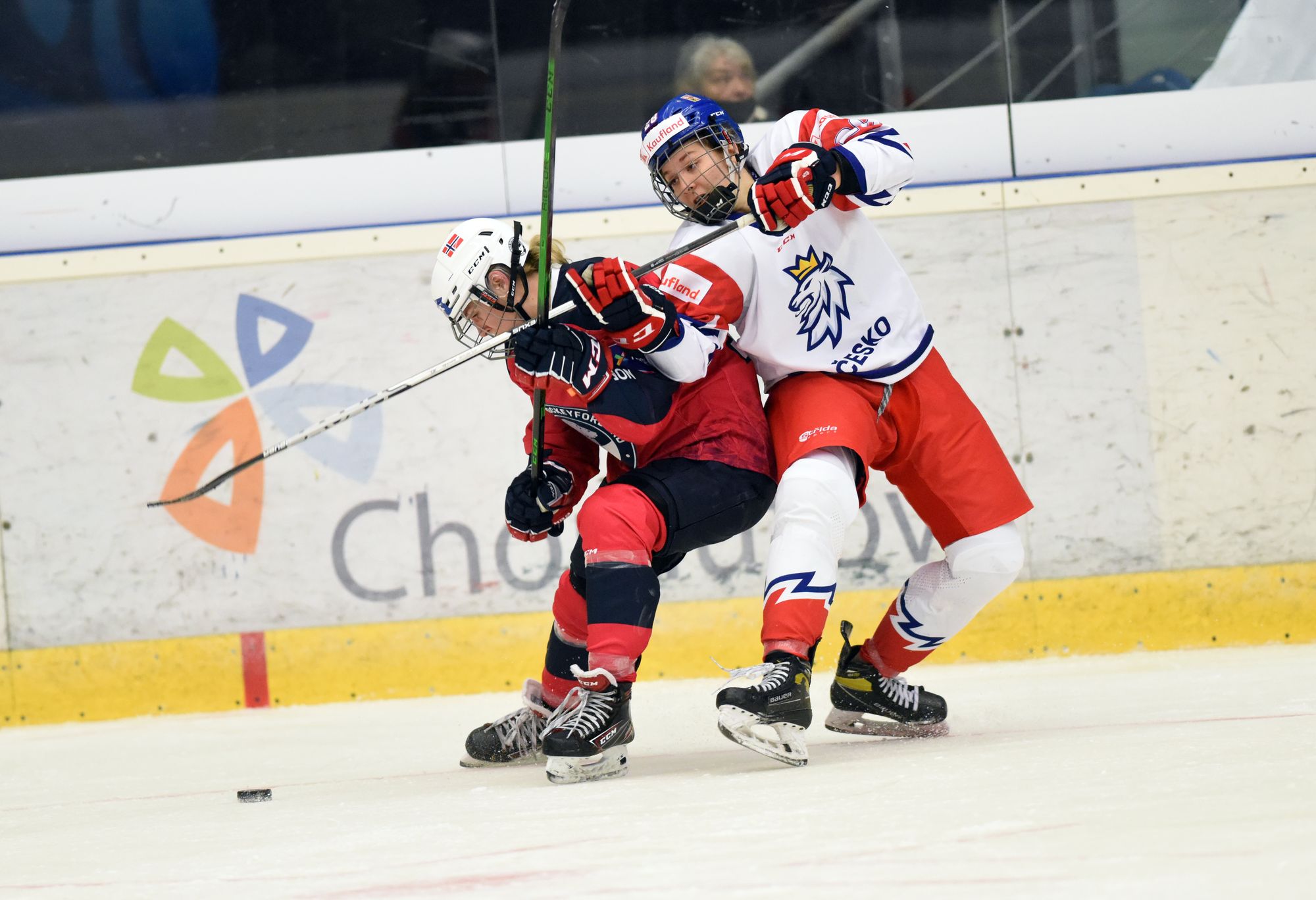