In the second game for each team in Final Qualification Group C, the host Czechs earned their second win with a convincing 16-0 victory over Poland, who fall to 0-2 before 1139 mostly Czech fans in Chomutov, although there was a noticeable Polish contingent in attendance as well.

Katerina Mrazova led the Czech offence with two goals and four assists, while Aneta Tejralova had five assists and Noemi Neubauerova scored three goals. In her first appearance of the tournament, 19-year-old goalie Viktorie Svejdova didn't have to make a ton of saves for the shutout, but did face a couple of odd-man rushes that she came up big on.

“We were really well prepared mentally, we didn’t underestimate Poland and we respect them very much,” said Czech head coach Tomas Pacina. “We had a plan for the game and the players executed it perfectly.”

“We knew coming here that it was going to be this way,” said Polish coach Ivan Bednar. “I said to them before the game that the Czechs are the best team here, and there is a really big difference between their level and ours, and just have to keep fighting and never give up. We tried to keep it simple and to play well in our own zone to limit their chances somewhat, but when they really got moving they were difficult to stop.”

The Czechs wasted little time getting started, finding the net twice in the first two minutes. First, it was captain Alena Mills with a nice deflection on Tejralova’s point shot at the 52-second mark. A minute later, Dominika Laskova used her speed to motor out front and scored with a quick shot. Natalie Mlynkova made it 3-0 with a rising wrister through traffic that beat a screened Agata Kosinska at 6:02.

Poland’s lone shot on goal in the first period came on a 2-on-1 rush, with defender Julia Zielinska electing to shoot and hitting Svejdova in the shoulder.

Poland managed to kill off the lone penalty of the first period, but just 16 seconds after it ended, Mills scored her second of the game on a backdoor pass from Klara Hymlarova at 15:27. Two minutes later, Neubauerova scored the Czechs’ fifth and final goal of the opening frame.

“We were ready for how the game was going to be,” said Karolina Erbanova, the Olympic speedskating bronze-medalist who started this game as the Czech team’s 13th forward but finished with a goal and an assist. “The Polish team was fighting very hard so sometimes it was hard to keep the puck, but I think we did a good job at that and the result is very good for us.”

After getting beaten on six of 17 first-period shots, Kosinska was lifted in favour of Martyna Sass, who had been brilliant against Hungary on Thursday. She could do little to stop the bleeding, however, as the Czechs were relentless in the middle frame, connecting for seven more goals on 26 shots. Mrazova alone had five shots on goal in the middle frame, scoring twice.

“These games where teams just try to go into a shell and defend can be hard, like we saw against Norway,” said Mrazova. “That’s why it’s important just to stick to our philosophy and game plan, which is what we did today and I’m really proud of the way we played the game. When the score gets like that, they can get frustrated and start to play dirty so it's important for us to keep our composure. In the third period, we wanted to make sure we were playing the right way so we’re ready for tomorrow.”

“I’m proud that we came here and we see how the teams from the top division play, and we’ve gained experience in how to play in our zone against really offensively strong teams,” said Polish defender Patrycia Sfora, who acknowledged the Czechs are the strongest opponent she’s ever faced before.

With her team down 10, Wiktoria Sikorska, Poland’s lone goal-scorer so far in t he tournament, had her team’s best chance to score late in the second period on a partial breakaway, but Svejdova made a stick save on the five-hole attempt.

“She didn’t get much work but when she had to be there, she was excellent,” Pacina said about his goalie. “We are super happy were were able to give her this game, because as a young goalie this is a huge experience for her.”

Four more Czech goals in the third period made it a 16-0 final, with the hosts spending most of the period in control of the puck, keeping Svejdova’s shutout.

“It was 16-0, so many goals, but playing against a team like that is a good experience for me,” said Sfora. About tomorrow’s game against Norway she said, “The last time we played them, they beat us 4-2 or something like that, so I think we can beat them if we don’t give up and I hope we do. It would make us very happy.”

The Czechs now know they will be playing Hungary tomorrow with a trip to Beijing on the line. Exactly what they need to secure qualfication will be determined in tonight’s late game between Hungary and Norway, but Pacina isn’t concerned about that.

“We approach it the same way we approached the quarter-finals against Finland,” he said in reference to last August’s World Championship. “We’re not worried about the mathematics or anything like that. We want to win and that’s how we’ll approach it, no matter what happens tonight.” 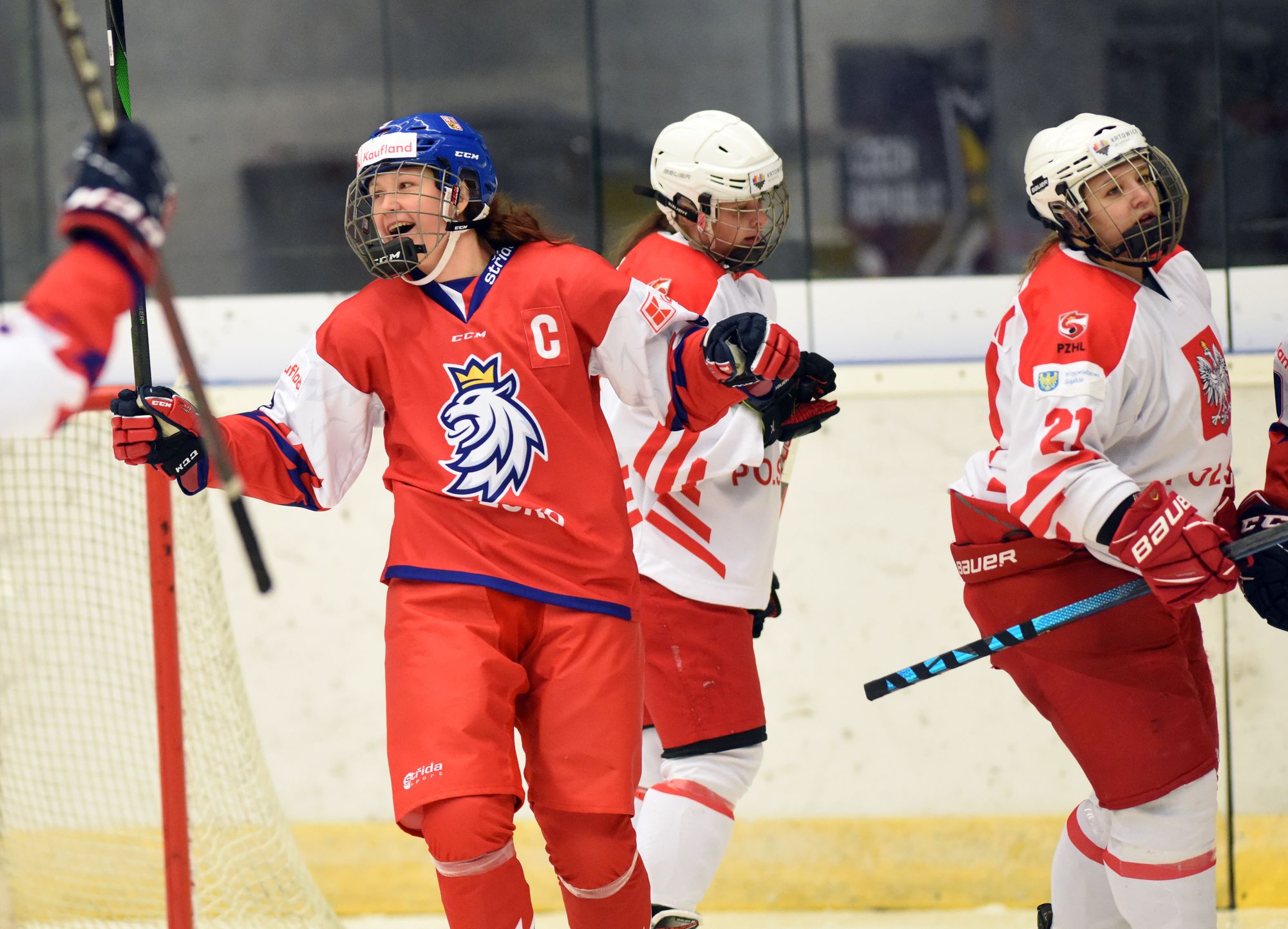 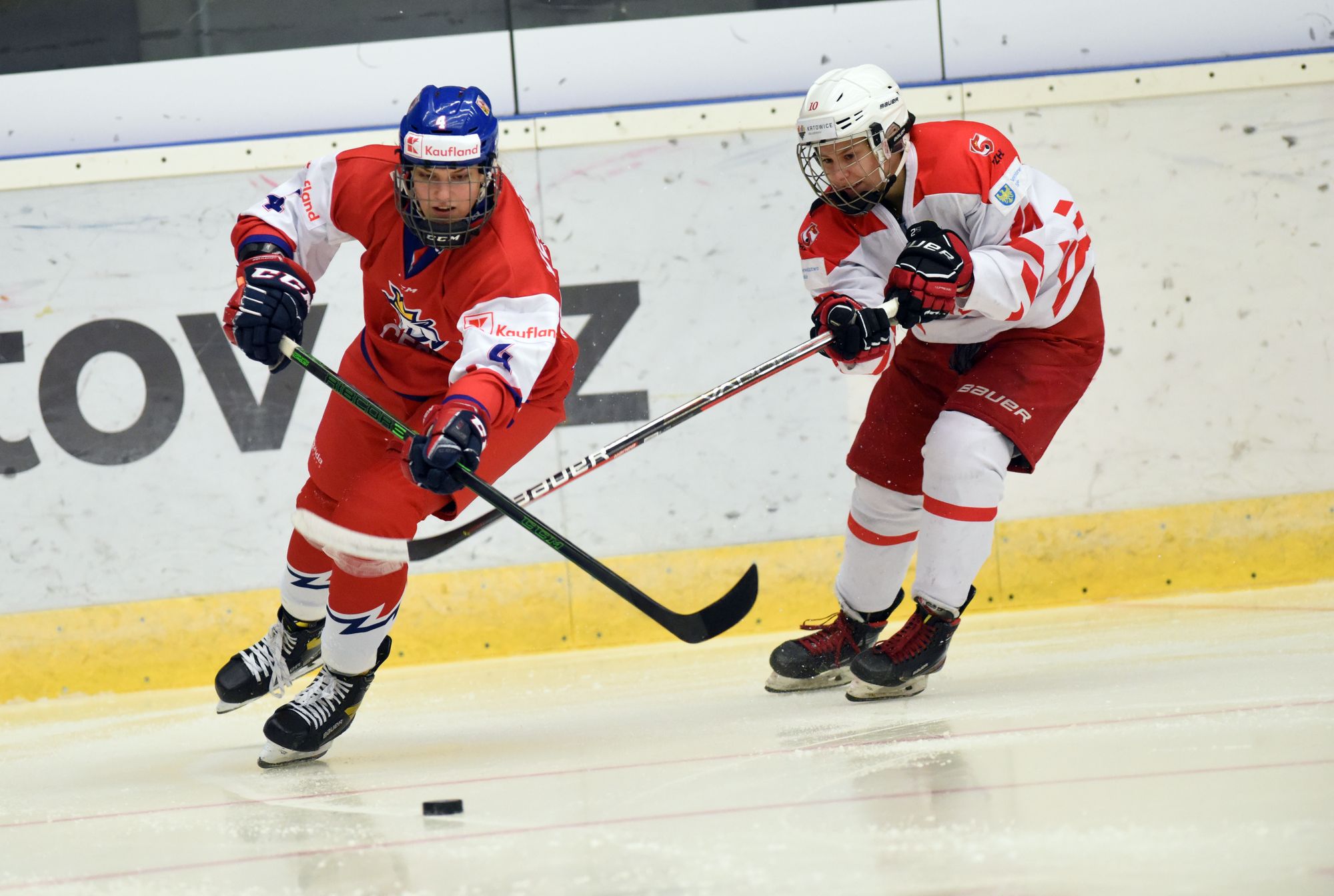 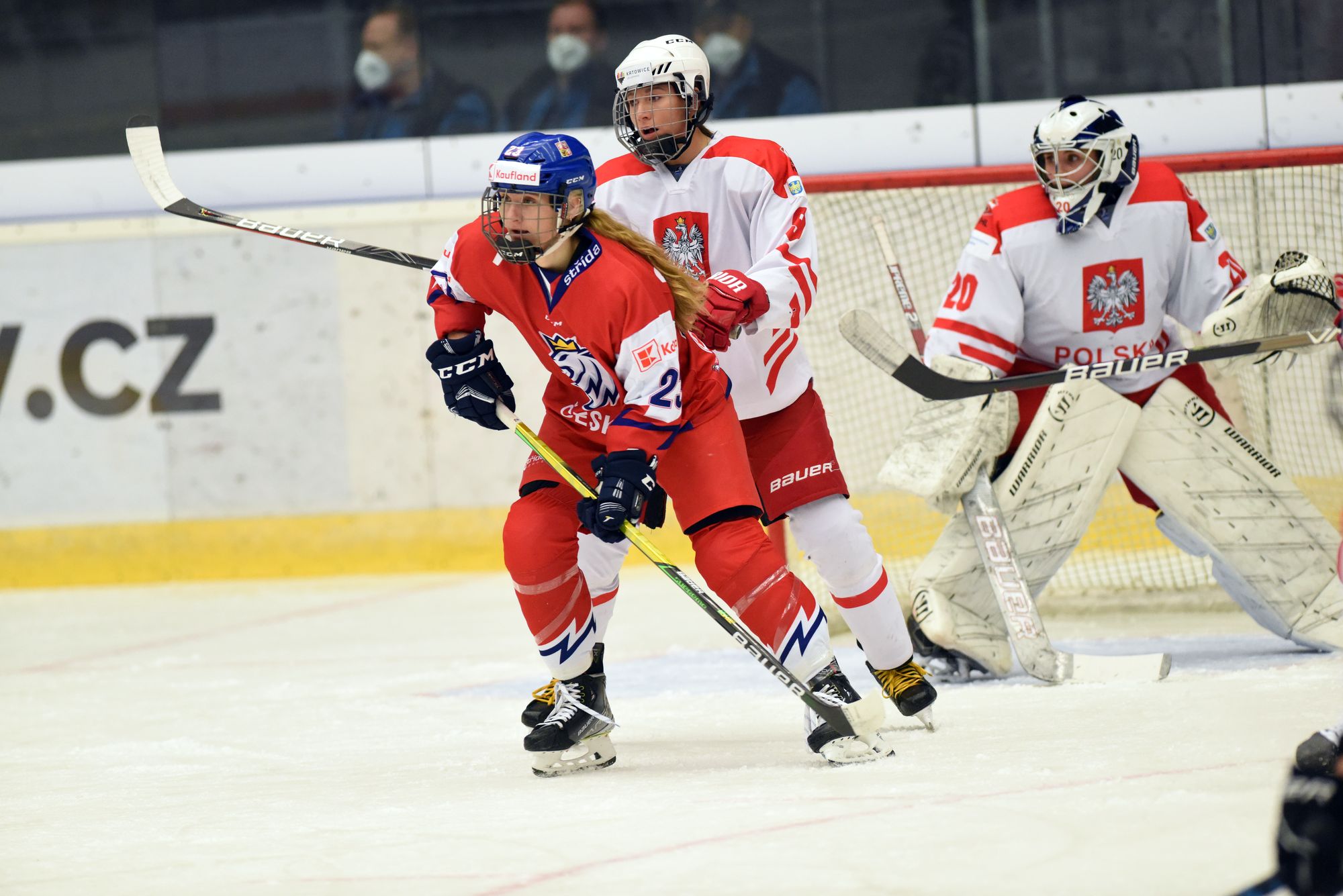 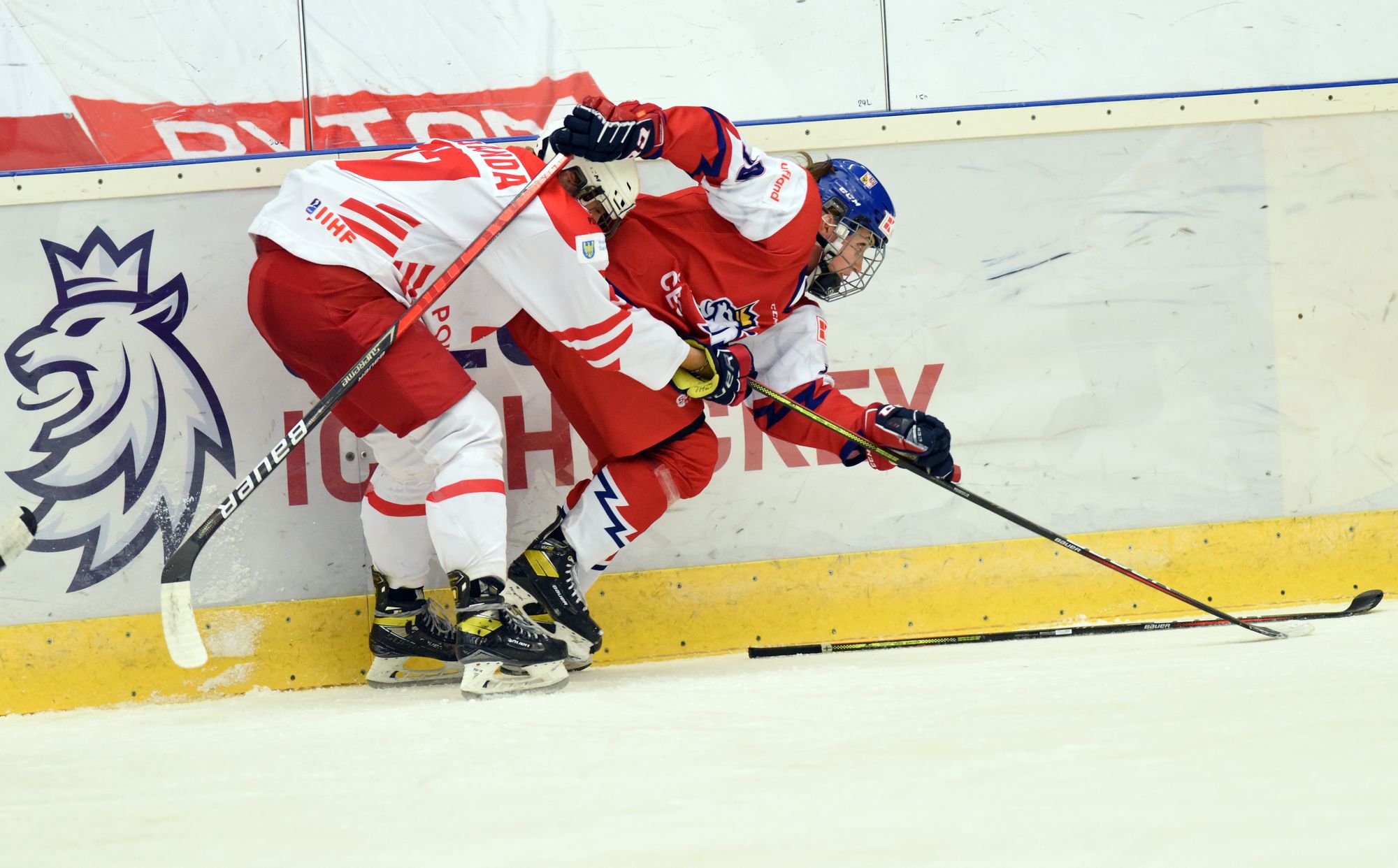 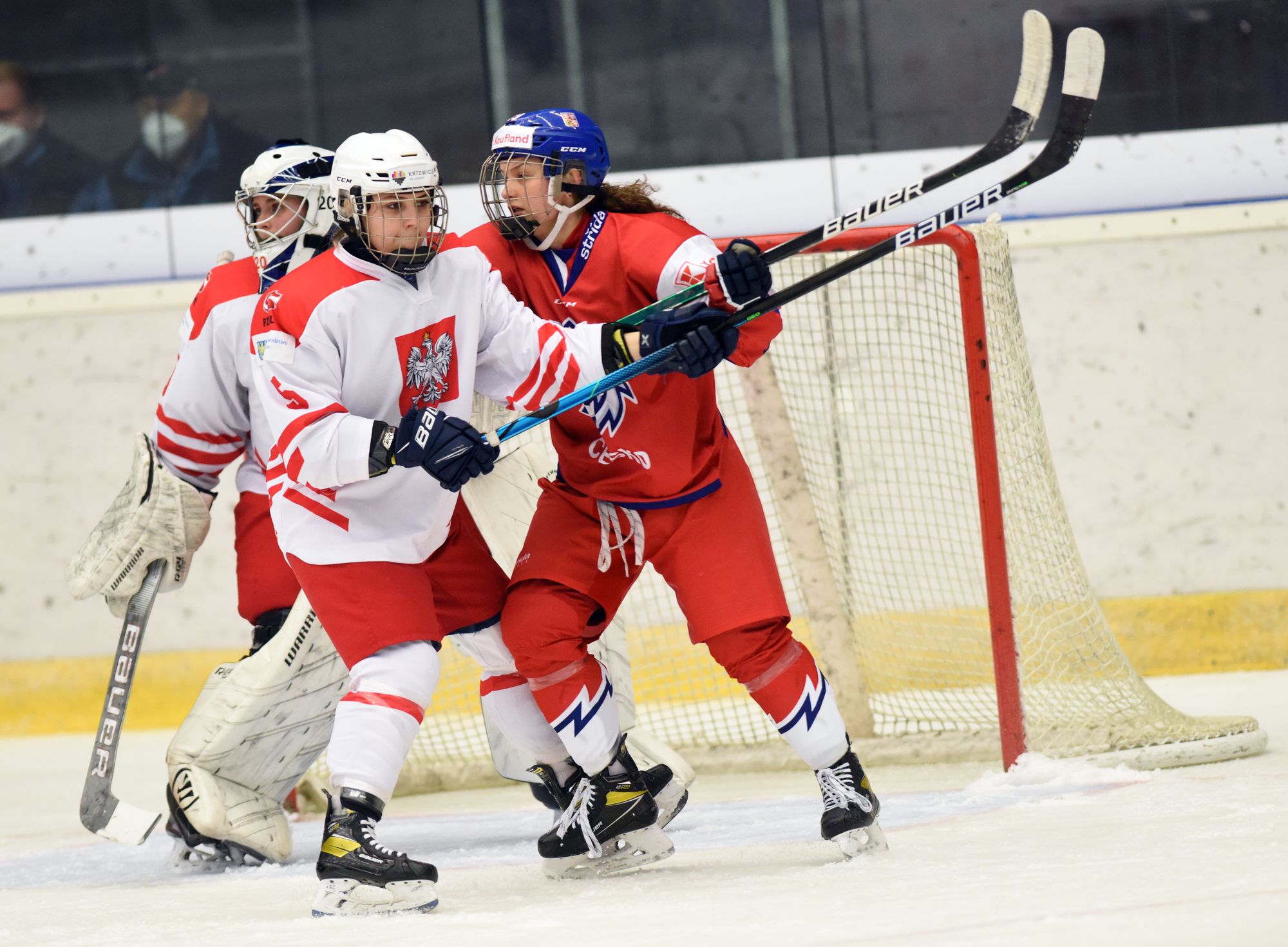 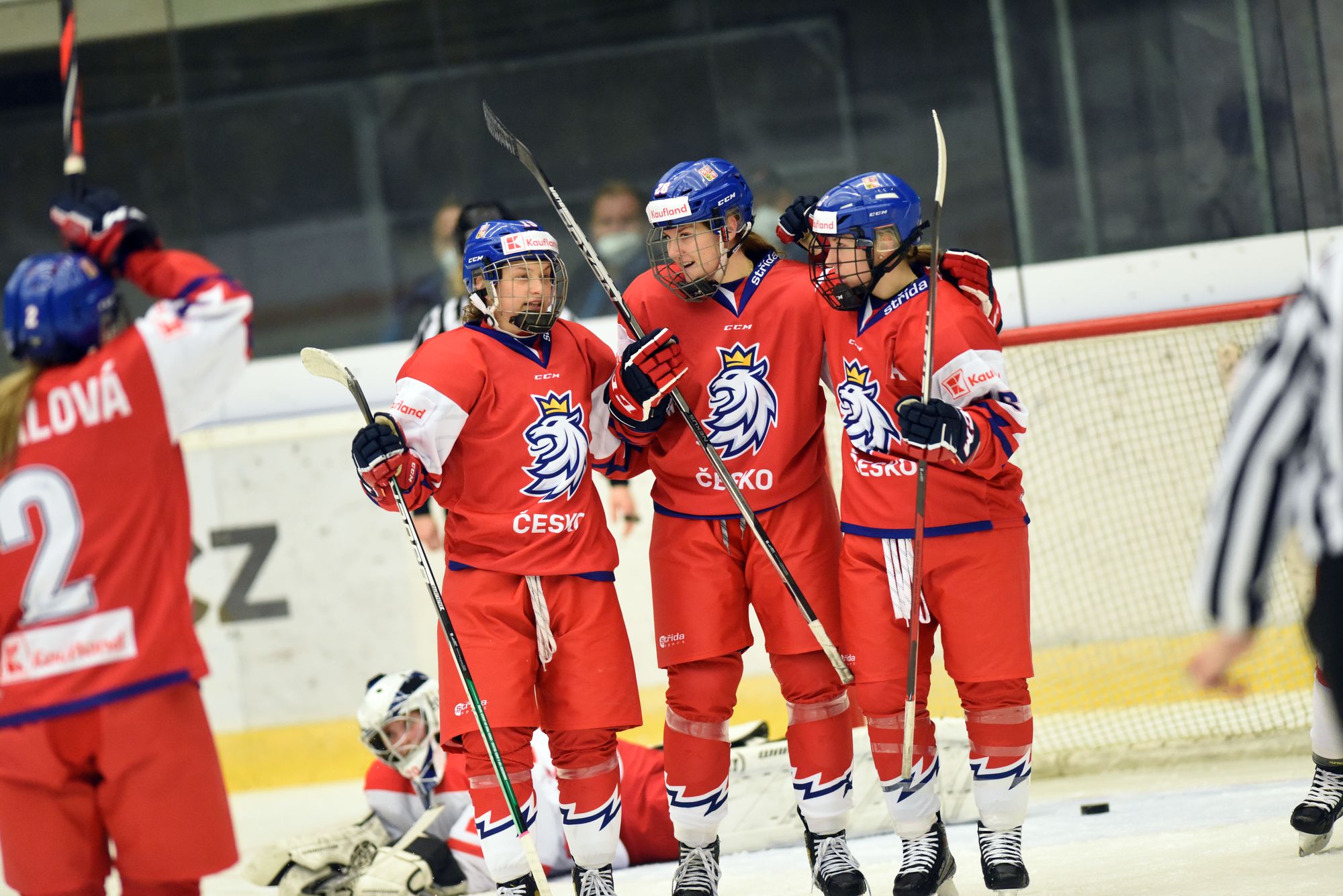 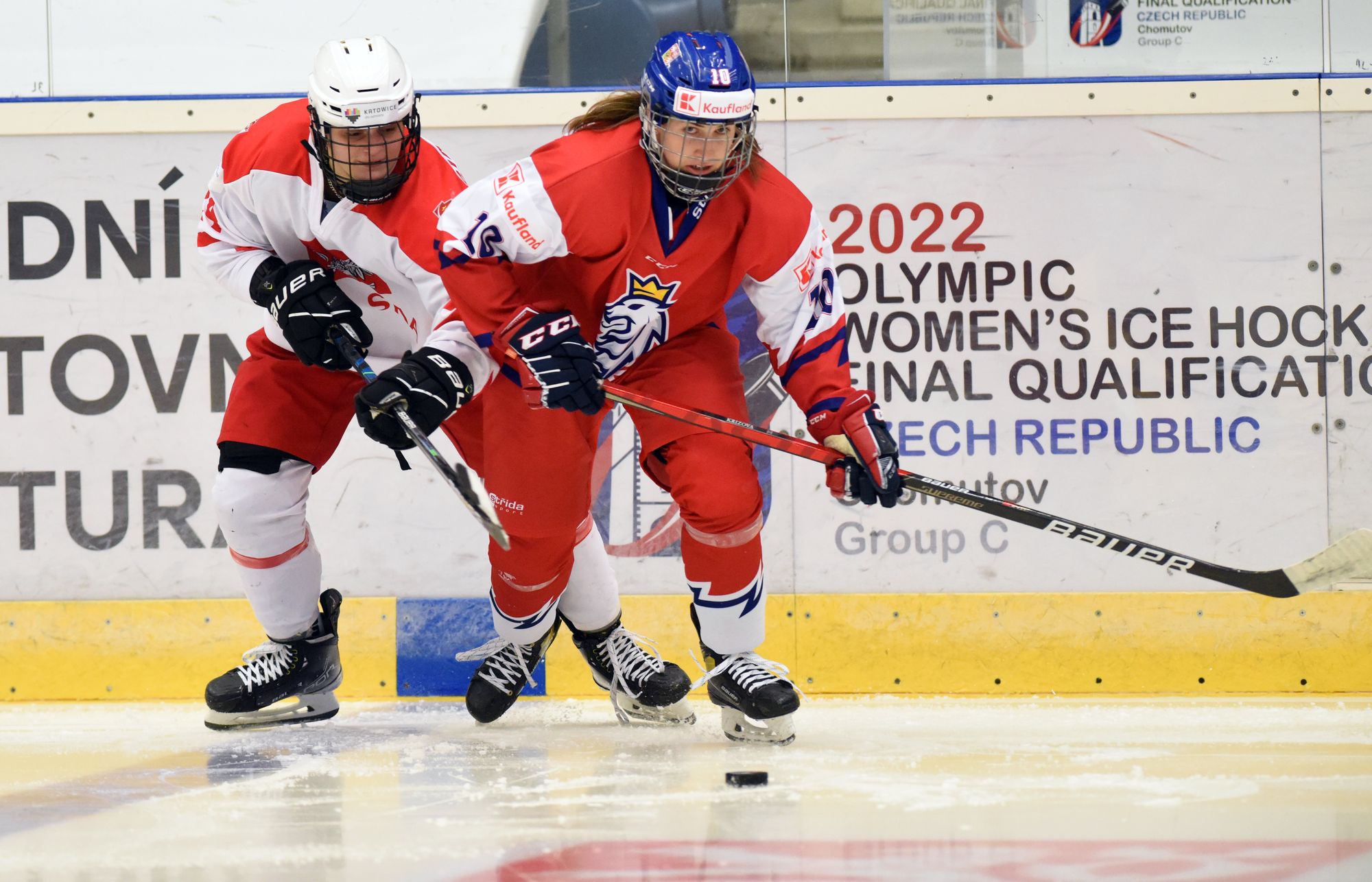 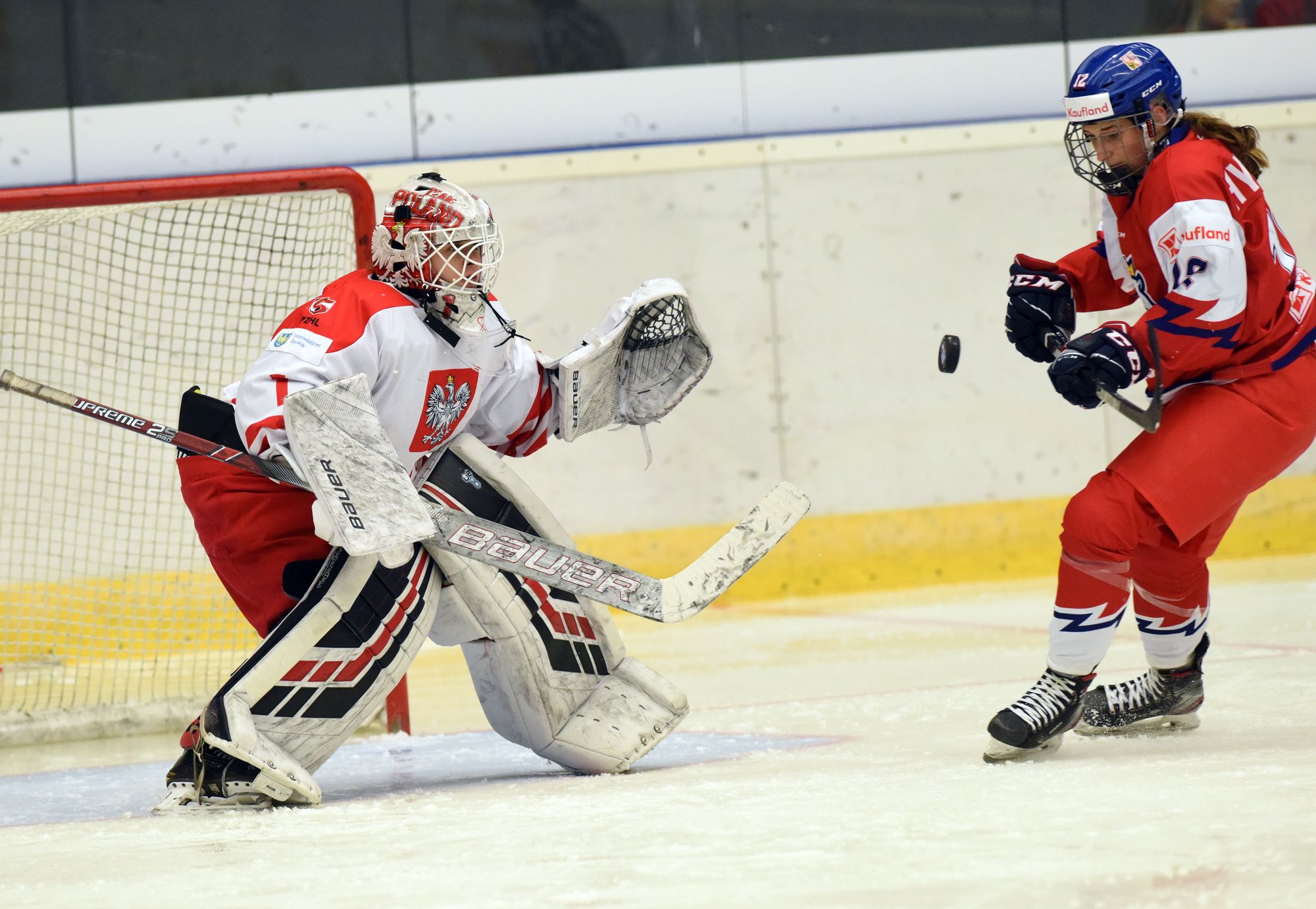 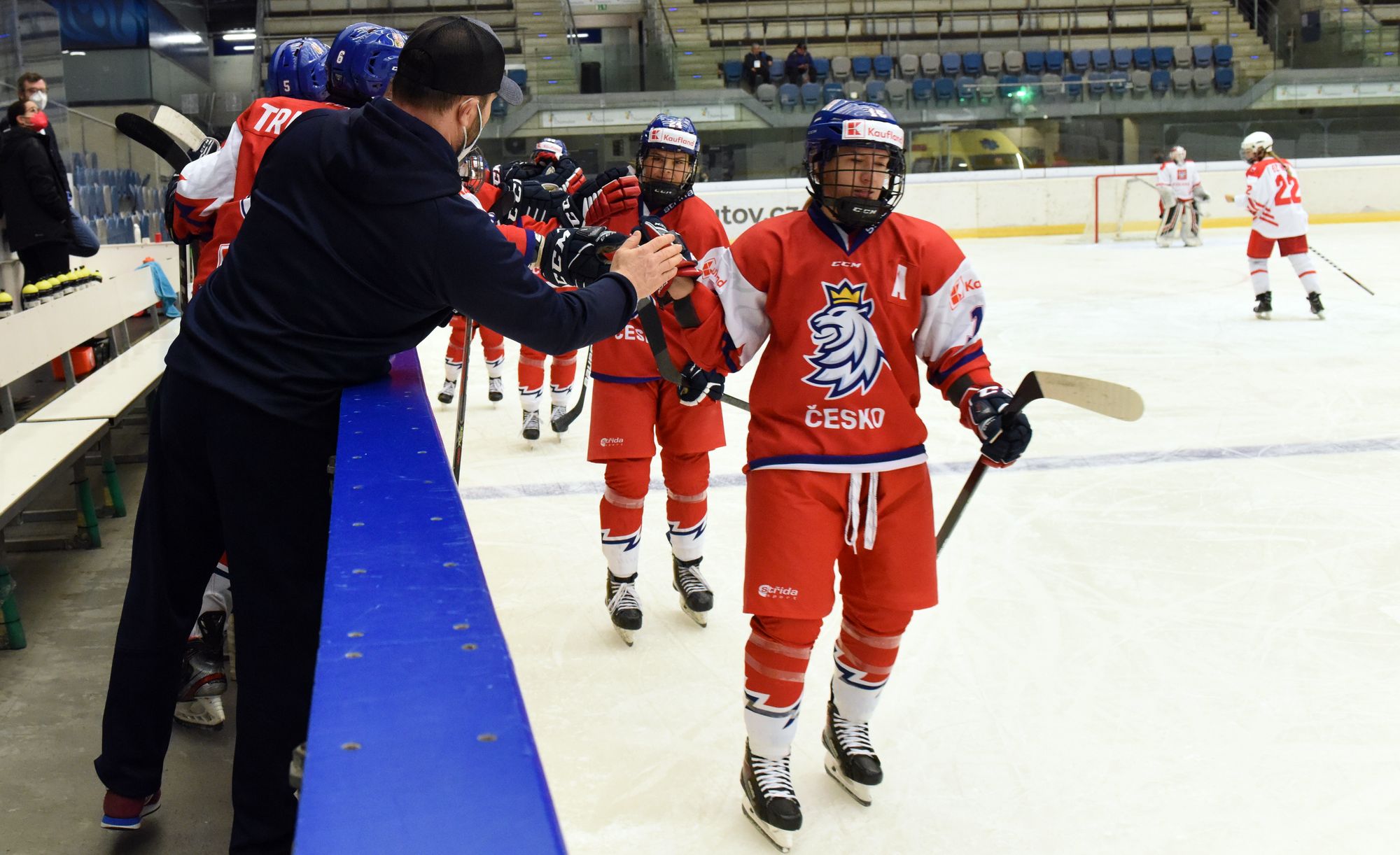 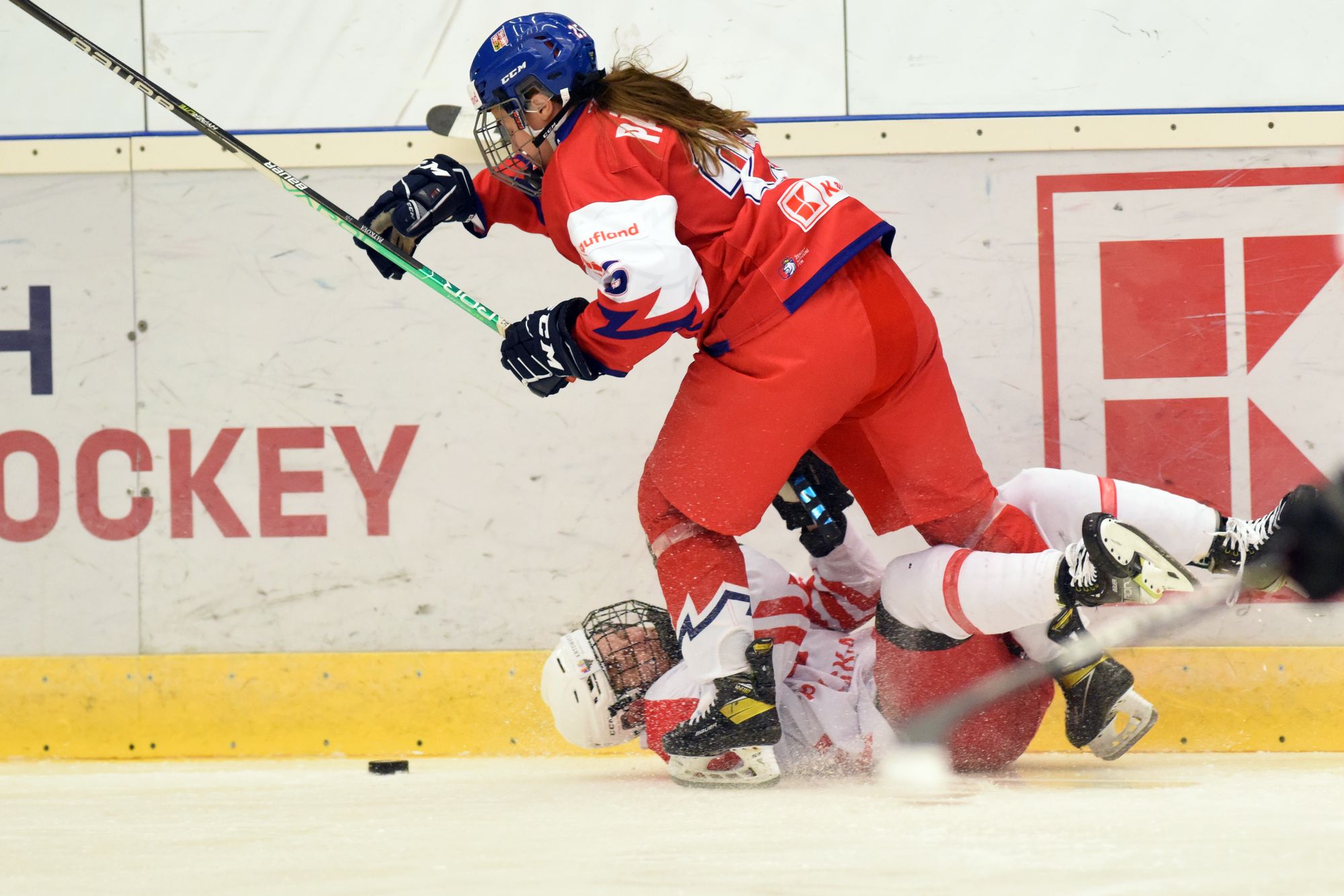 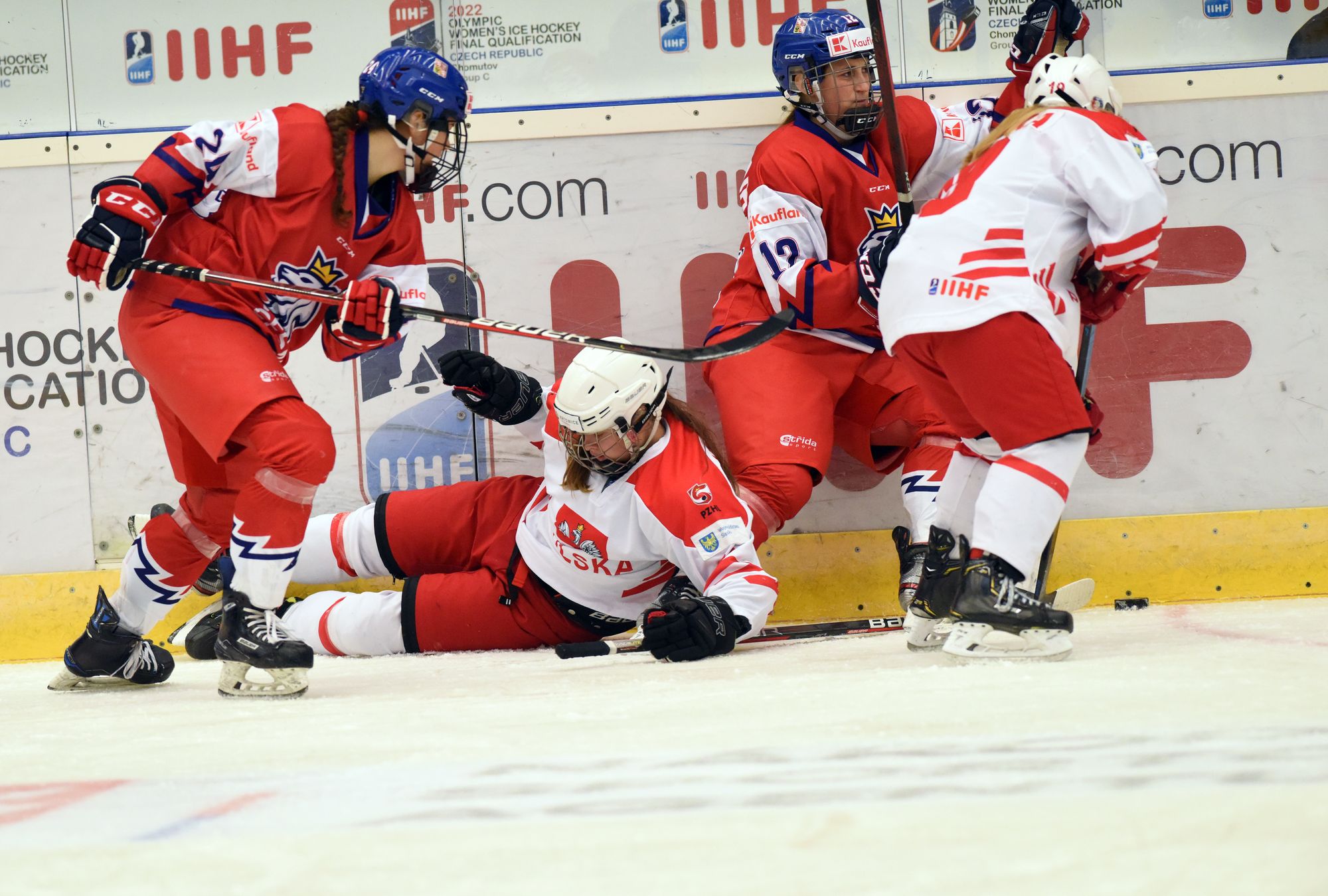 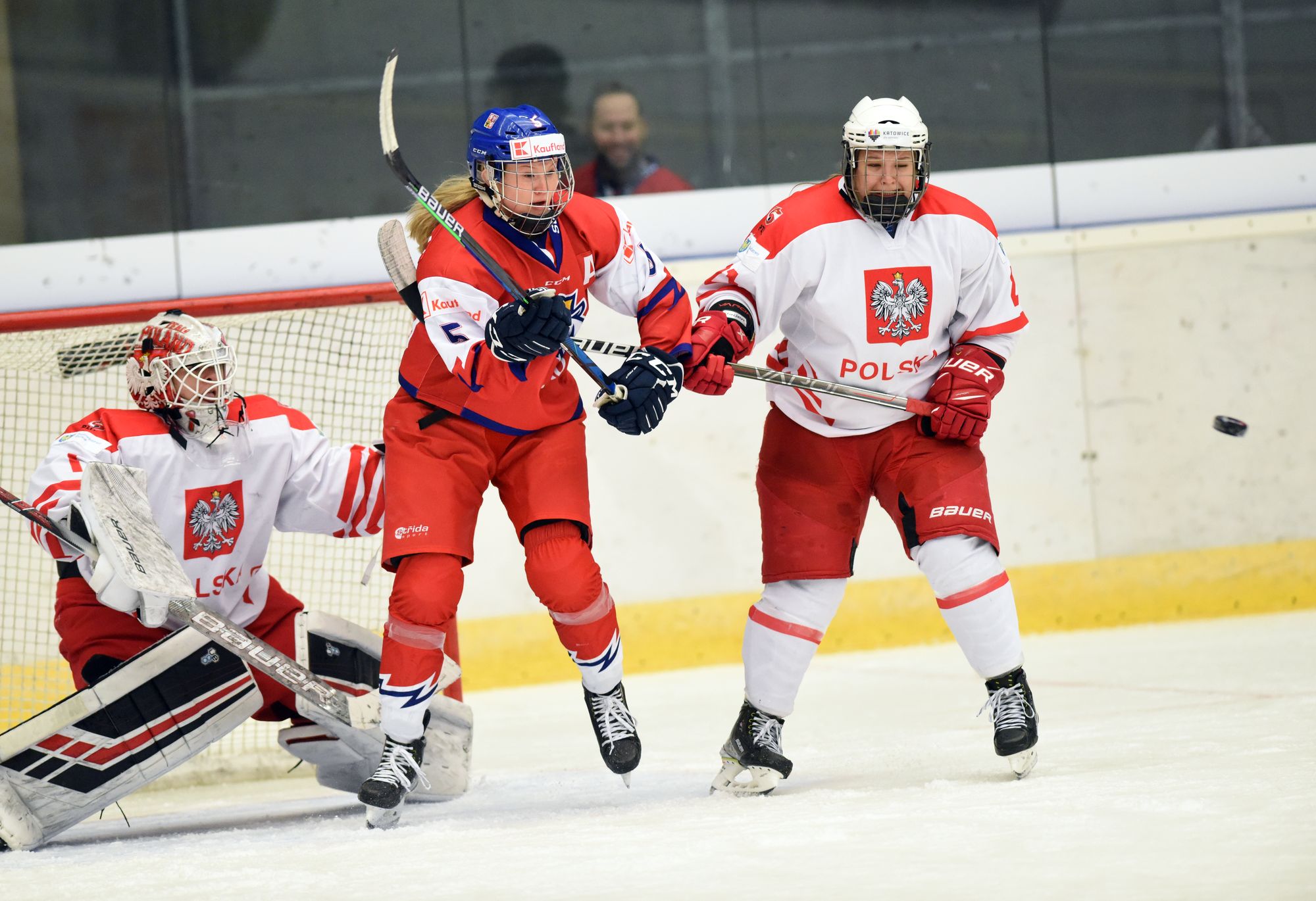 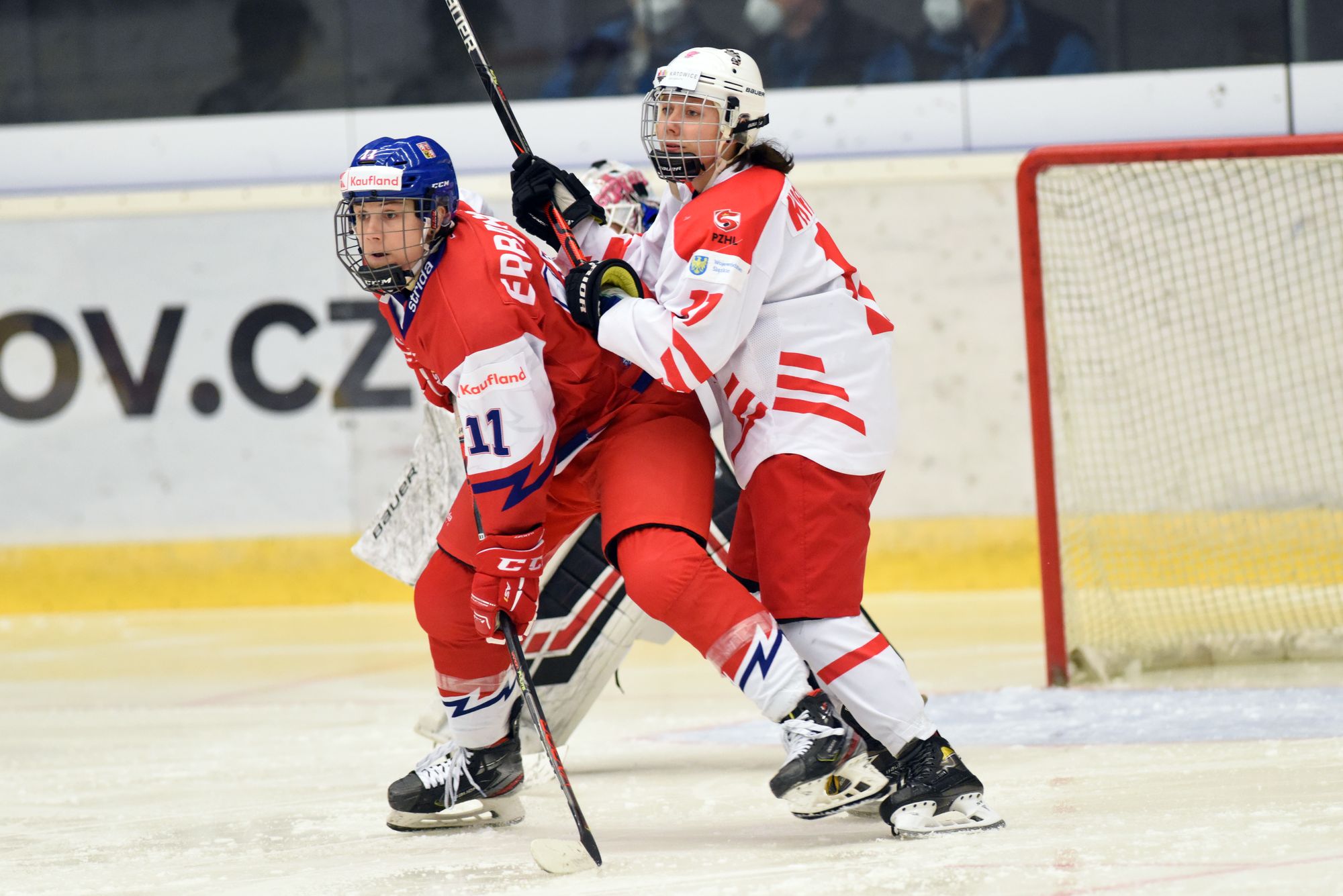 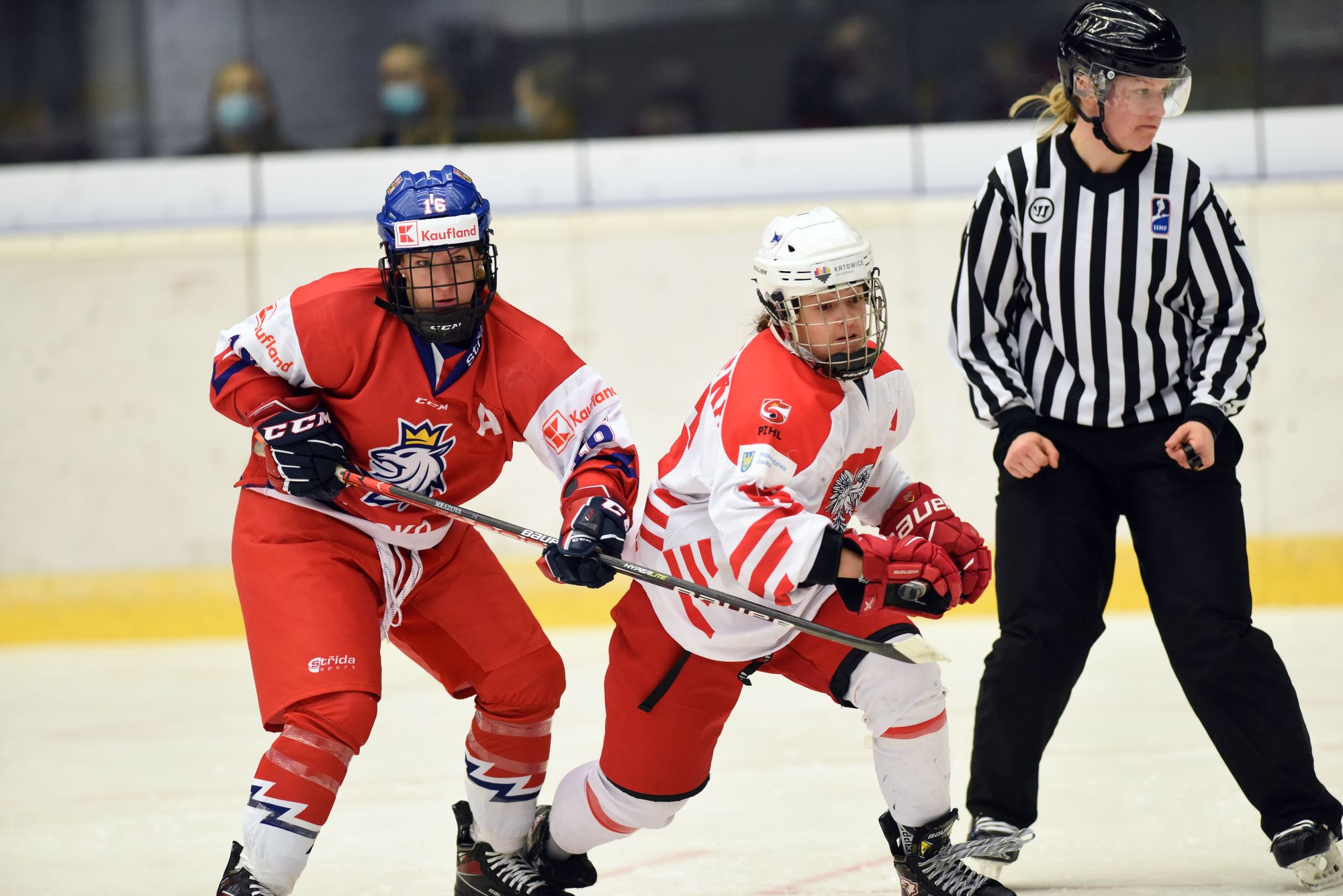 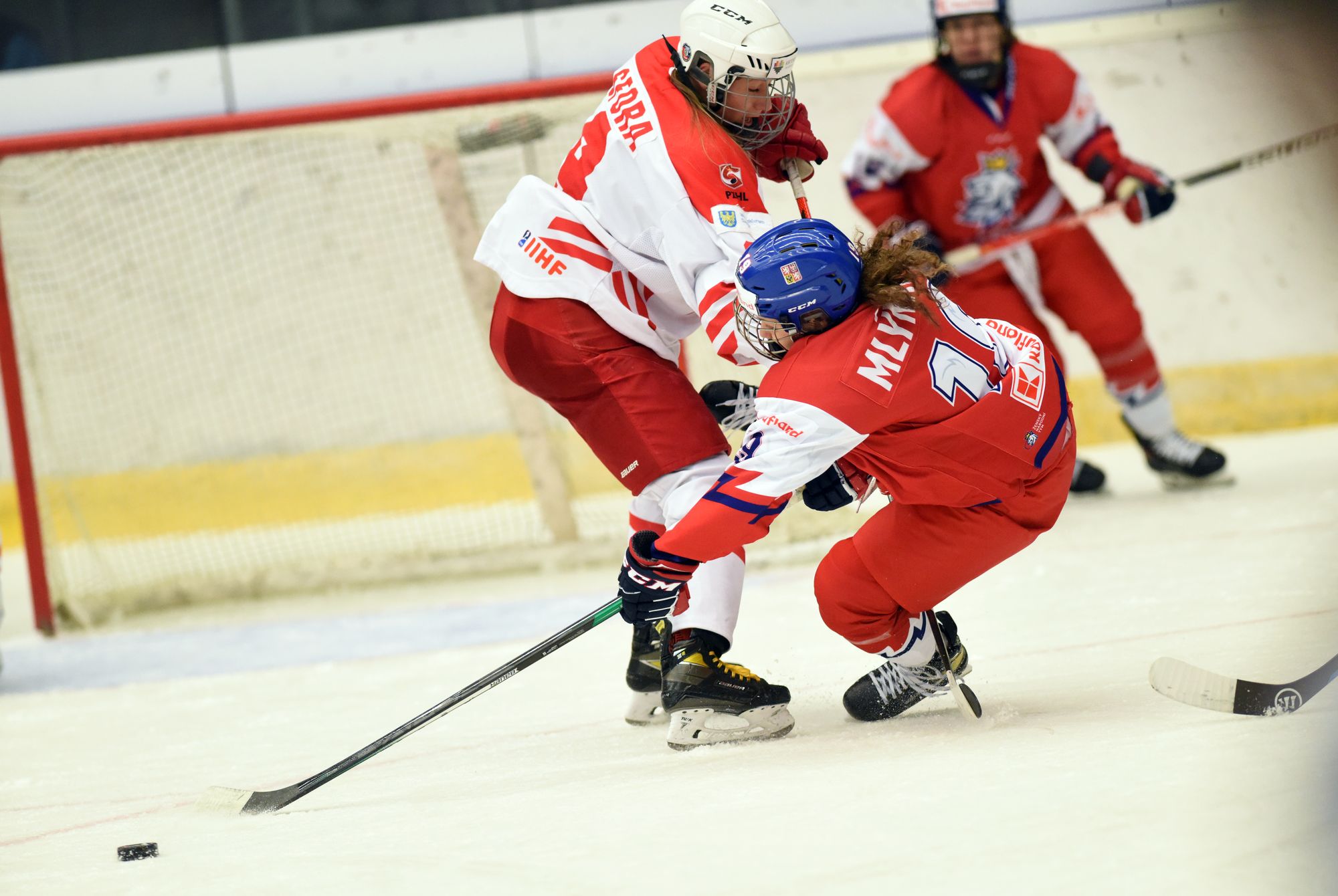 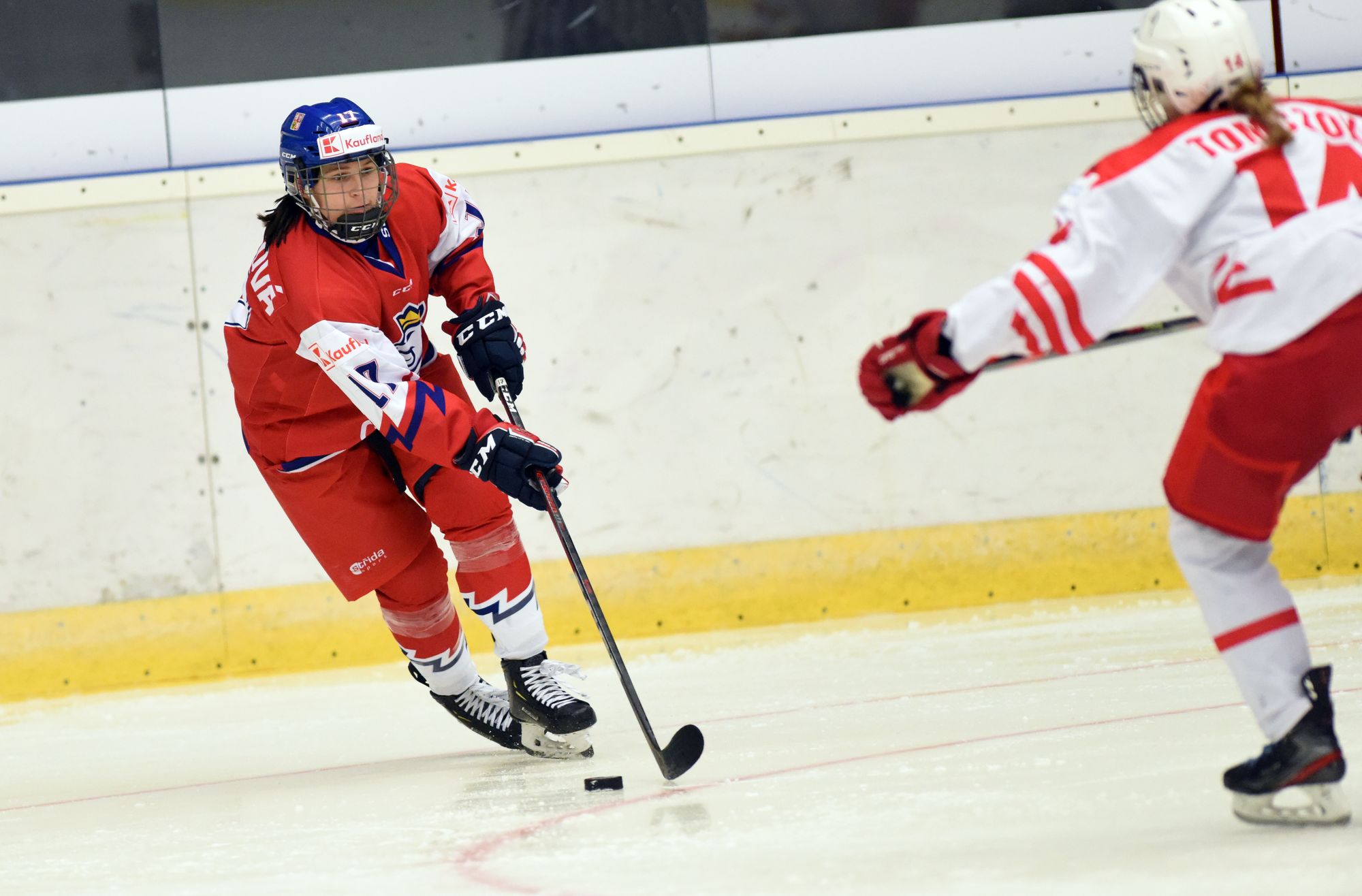 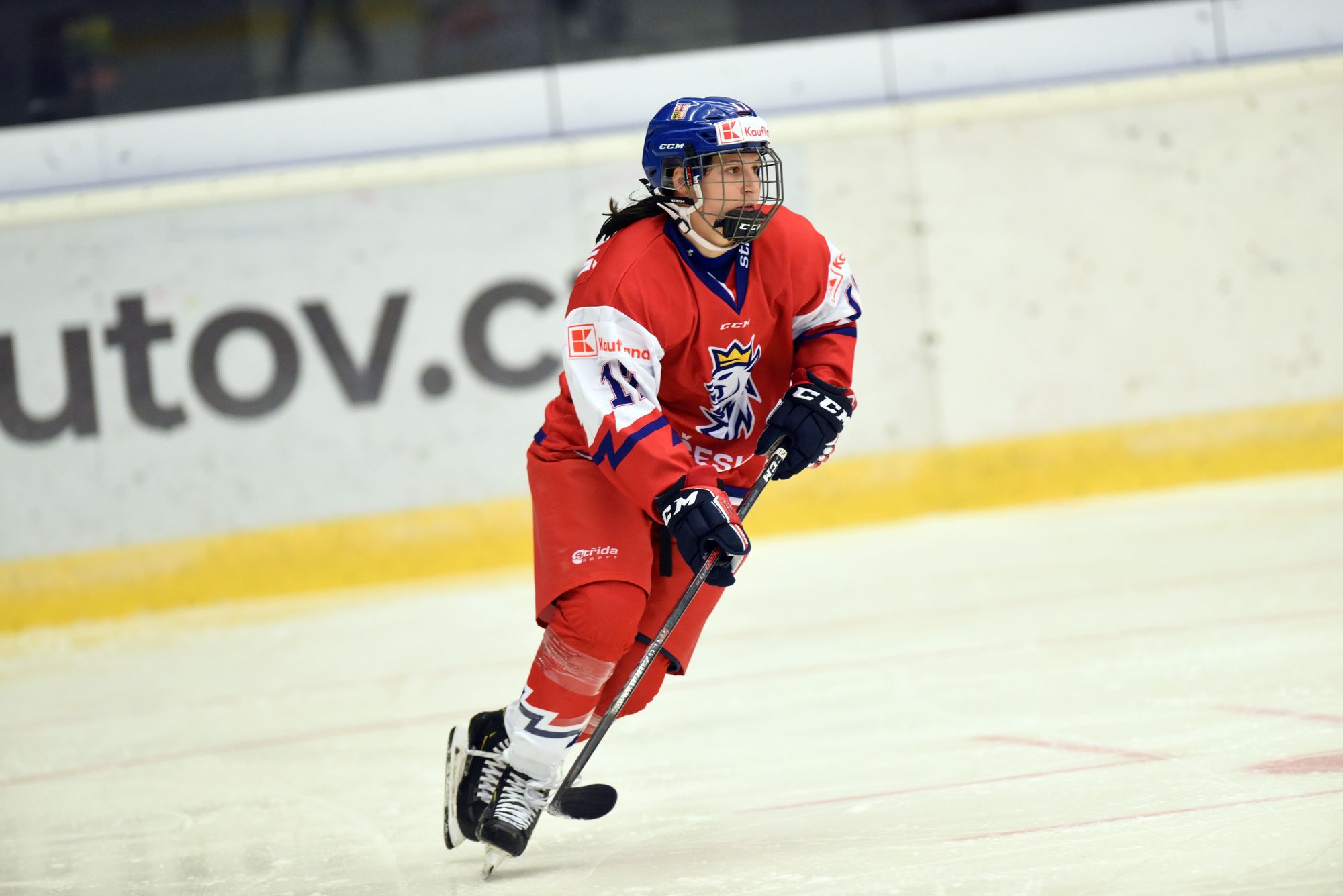 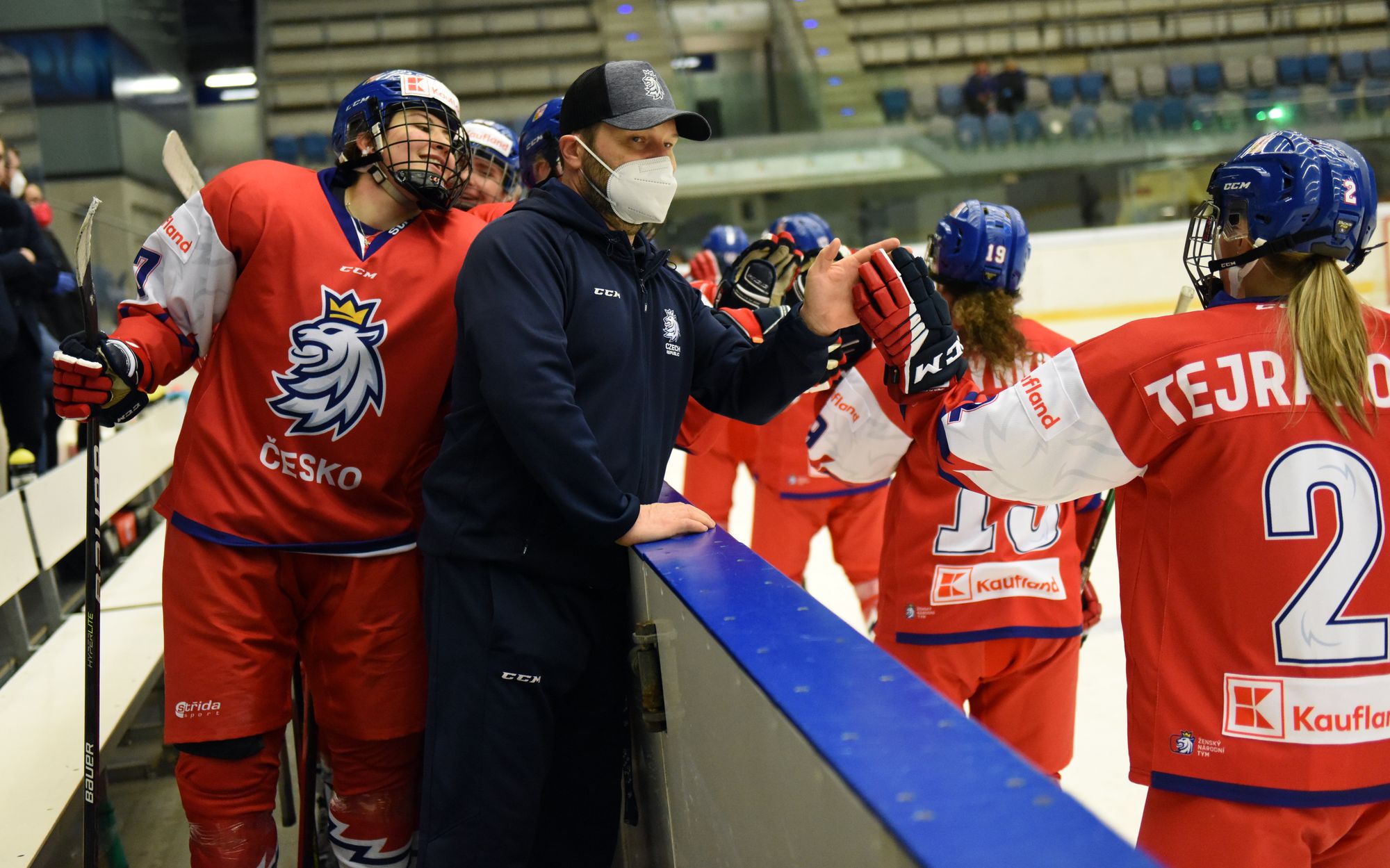 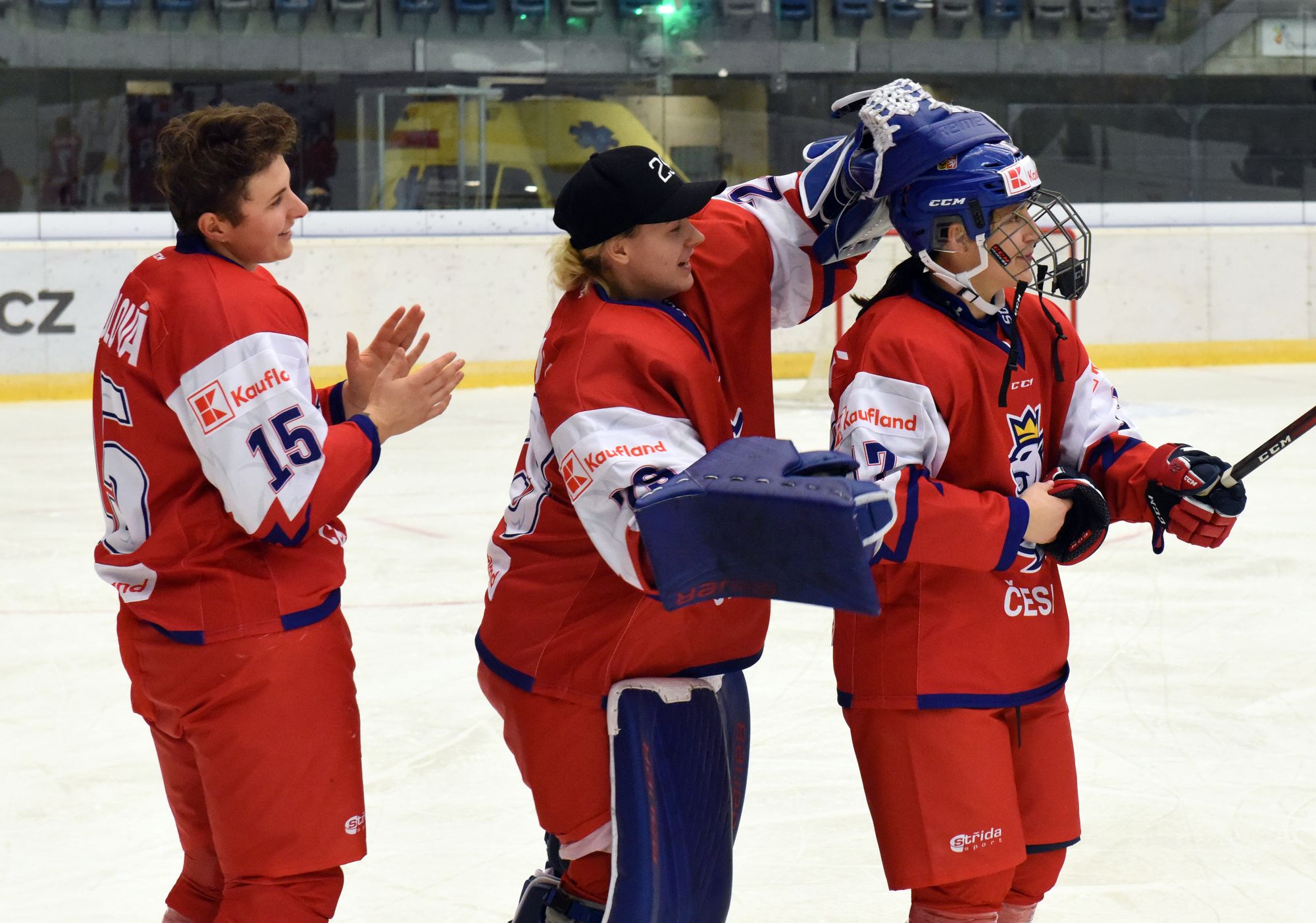 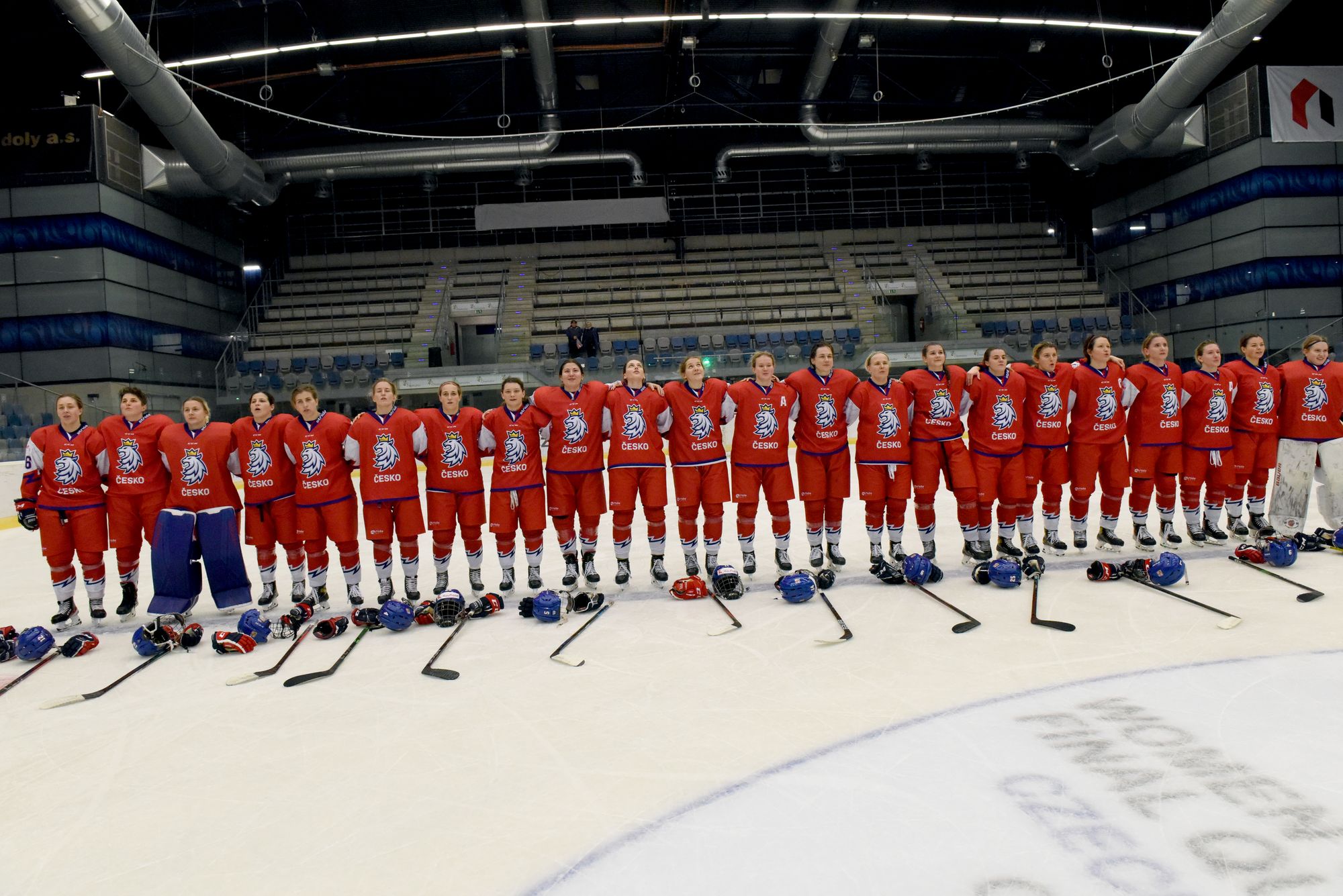 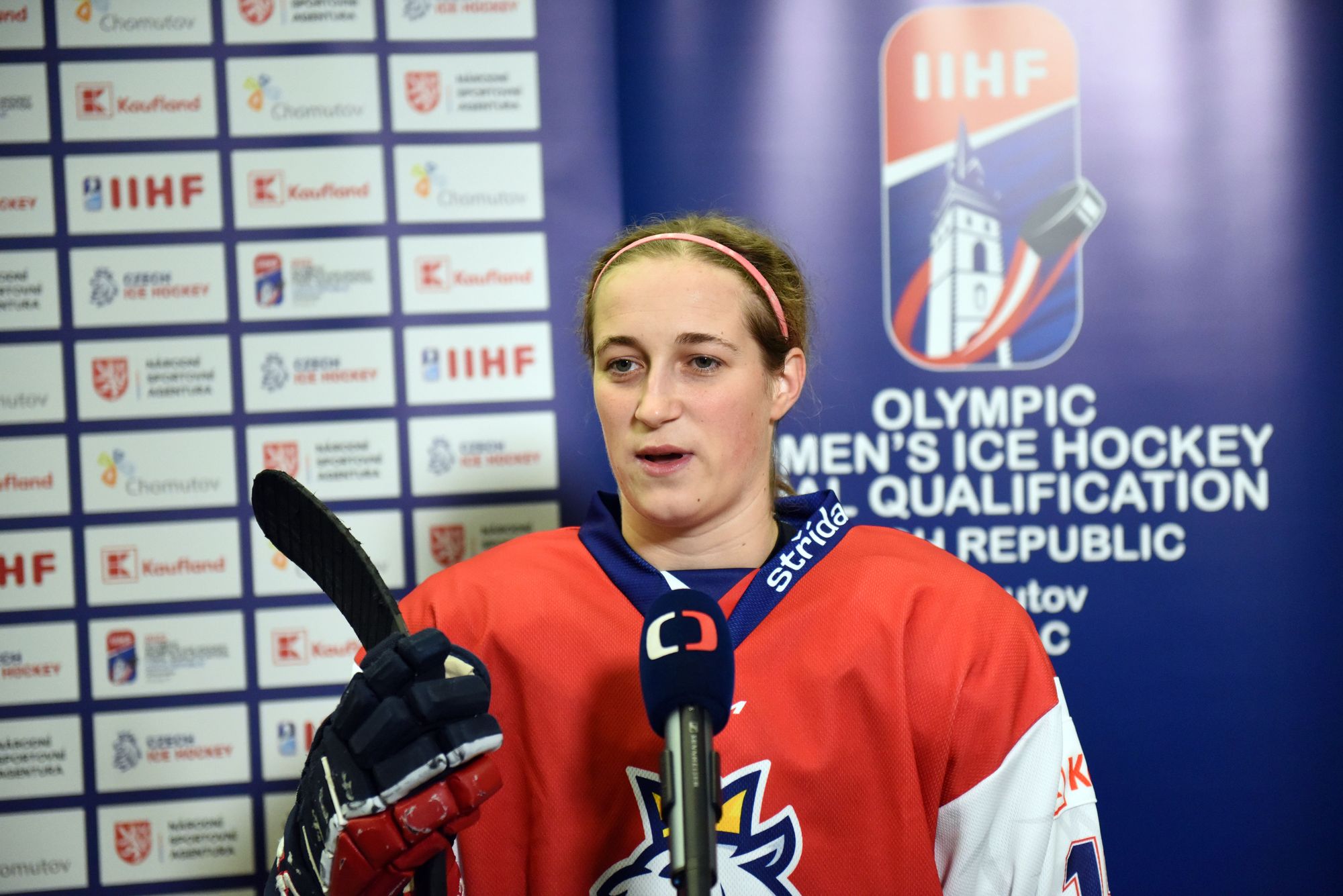 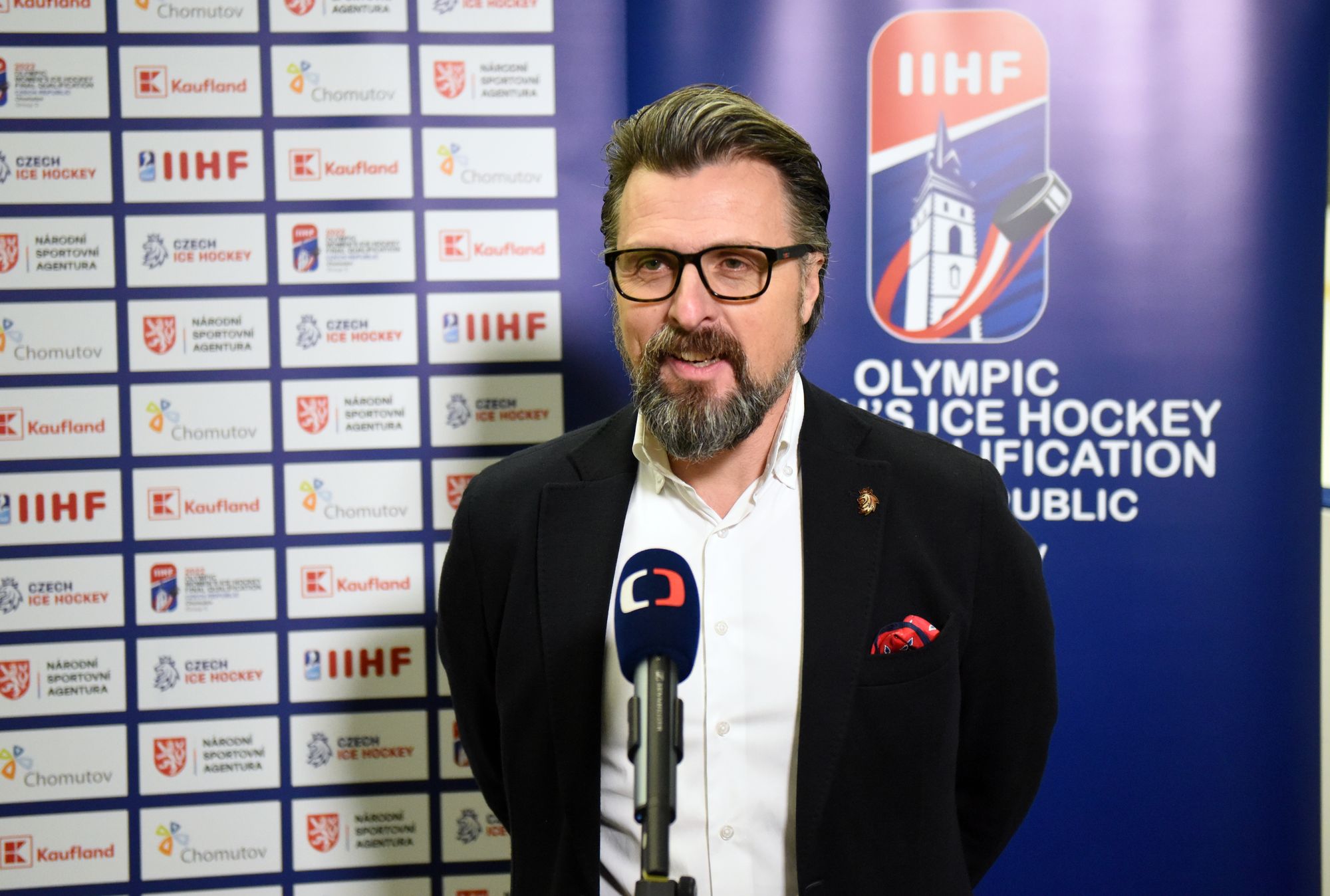