Czechia debuts with win over China
Czechia celebrates after Tereza Radova's first-period goal in a 3-1 opening win over host China at the 2022 Winter Olympics in Beijing.
photo: Andrea Cardin / HHOF-IIHF Images
share
Czechia kicked off its 2022 Olympic women's tournament with a hard-fought 3-1 win over China, but that first step toward the quarter-finals was just the tip of the iceberg.

Thursday was truly a day of historic firsts. This Group B clash was Czechia's first Olympic women’s hockey game of all time and – in tandem with Canada’s opener against Switzerland – the first one ever played on Chinese ice.

"It’s been 12 years since we played in the Olympics," said Chinese captain Baiwei Yu. "It’s a really long time. I think we are so lucky we can be here and play the Olympics in Beijing. For me and my team, this is such a good experience."

While the Czechs prevailed as expected, the host nation showed it won't be a pushover in its return to Olympic women’s hockey for the first time since Vancouver 2010. Three members of this Chinese squad – Yu, fellow blueliner Zhixin Liu, and forward Mengying Ling – also suited up in Vancouver.

"I’m happy with the win but, at the same time, I know we can play better," said Czech captain Alena Mills. "We need to build on some of the good moments and limit some of the bad moments we had where emotions took over the game."

The Czechs are hoping to make some more history at these Games. Under head coach Tomas Pacina, they settled for seventh place at the 2021 Women's Worlds, despite having a strong 18-7 goal difference and the highest-ranked power play (20.8 percent). Their Women’s Worlds peak is sixth place (2016, 2019). If all the pieces fall into place, they have a shot at winning a quarter-final for the first time in senior IIHF competition.

China, in its fourth Olympics, wants to improve on its fourth-place peak from the inaugural 1998 tournament in Nagano, Japan.

The red-clad hosts came out hard. Not only did they kill off the first Czech power play, but fans at the Wukesong Sports Centre were treated to some early end-to-end action. Near the six-minute mark, Peslarova denied forward Xifang Zhang (Anna Segedi) on a partial breakaway.

Tereza Radova earned her place in the history books by scoring the Czech women’s first-ever Olympic goal at 10:38. In the high slot, the 20-year-old Goteborg FC defender tipped Aneta Tejralova’s shot and the puck deflected again off the skate of Beika Li (Rebekah Kolstad), fooling the Chinese netminder.

Radova took it in stride afterwards: "Right now, I feel like it’s no big deal. I don’t know how I’ll feel in two hours or tomorrow, but now it’s just a normal goal. Nothing special."

The Czechs squandered a great shorthanded chance moments later on a 2-on-1. Defender Pavlina Horalkova fed Klara Hymlarova, who had the goalie beaten with a move to the backhand, but couldn’t deposit the puck into the gaping cage.

In the second period, the Czechs kept coming. Deniza Krizova doubled their lead at 3:57, coming with speed to accept Noemi Neubauerova’s feed from the side boards, busting around the defence, and tucking a backhander through Chen’s legs.

Refusing to wilt, the Chinese struck back with crisp puck movement on a mid-game power play. Le Mi (Hannah Miller) hammered a drive from the top of the left faceoff circle that beat Peslarova through traffic. Screams of joy from the Chinese bench and enthusiastic clapping from the stands ensued.

Idalski praised Le Mi: "She’s a big, strong player with a good shot and plays solid at both ends of the ice. I thought she played really well, and her whole line was good for us."

It was the Chinese women's first goal in Olympic play since 2010, when captain Linuo Wang scored a third-period goal with 8:12 left on Slovakia's Zuzana Tomcikova in a 3-1 Chinese win to secure seventh place.

"The last time I played against China was in 2012," Laskova said. "Obviously, their hockey has developed a lot since then, and so has ours. So I honestly had no idea what to expect, and I have to say, they were a really good team."

Chen continued to battle and give her team a chance, as she repelled a high shot from reigning SDHL MVP Katerina Mrazova (Brynas IF) from close range. Peslarova responded in kind, stoning Baozhen Hu (Maddie Woo) with a great glove save on a clearcut breakaway.

Converting chances remained an issue for the Czechs. Natalie Mlynkova couldn't convert into an empty net when set up by Tereza Vanisova late in the second period. Early in the third period, a daring rush by Dominika Laskova, who led all 2021 Women's Worlds blueliners with four goals, proved fruitless after she found Mrazova, whose shot was stopped by Chen.

"Hopefully, it’s just that we were nervous because it was the first game in the first Olympics for us, and now that’s out of the way," said Mrazova.

Michaela Pejzlova finally gave Pacina's team some breathing room at 6:27 of the third. Taking a brilliant stretch pass from Horalkova, she split the Chinese defence and scored five-hole for a 3-1 lead.

Down the stretch, the Czechs used their superior speed and skill to keep China bottled up in its own end, both at even strength and on a late power play with Anna Fei (Anna Fairman) off for hooking. Peslarova stood tall to ensure there would be no improbable Chinese rally.

"That Czech team is very skilled, plays a great puck-possession game, and they move up and down the ice," Idalski said. "They’re a tough match-up, and they’ll be a tough match-up for pretty much everybody in Group B, and even a few of the teams at the bottom of Group A."

This also marks the debut of the expanded 10-team format for the Olympic women’s tournament. The 1998 tournament had six teams. At the next five Games from 2002 to 2018, there were eight teams. The 10-team format – in place at Women’s Worlds since 2019 – is another big step forward for the sport.

Mills, meanwhile, has a special opportunity on Friday: the 31-year-old star was chosen as one of her nation’s flagbearers for Friday’s opening ceremonies at the National Stadium.

"I don’t think it’s hit me yet," Mills said. "It’s a great honour. I was speechless when I heard about it. I’m just happy to represent all the amazing athletes that are here."
Czech Republic vs China - 2022 Olympic Women's Ice Hockey Tournament 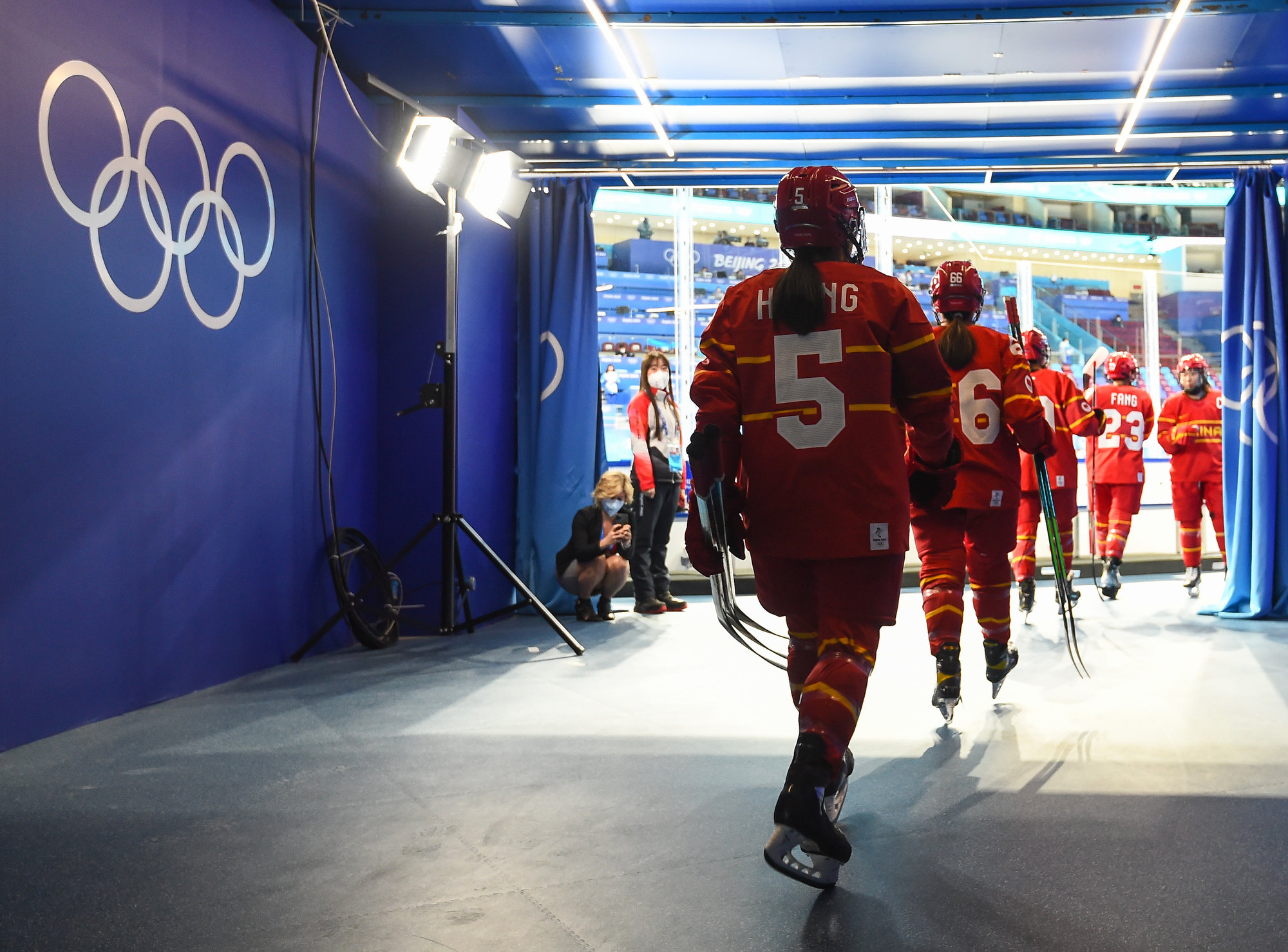 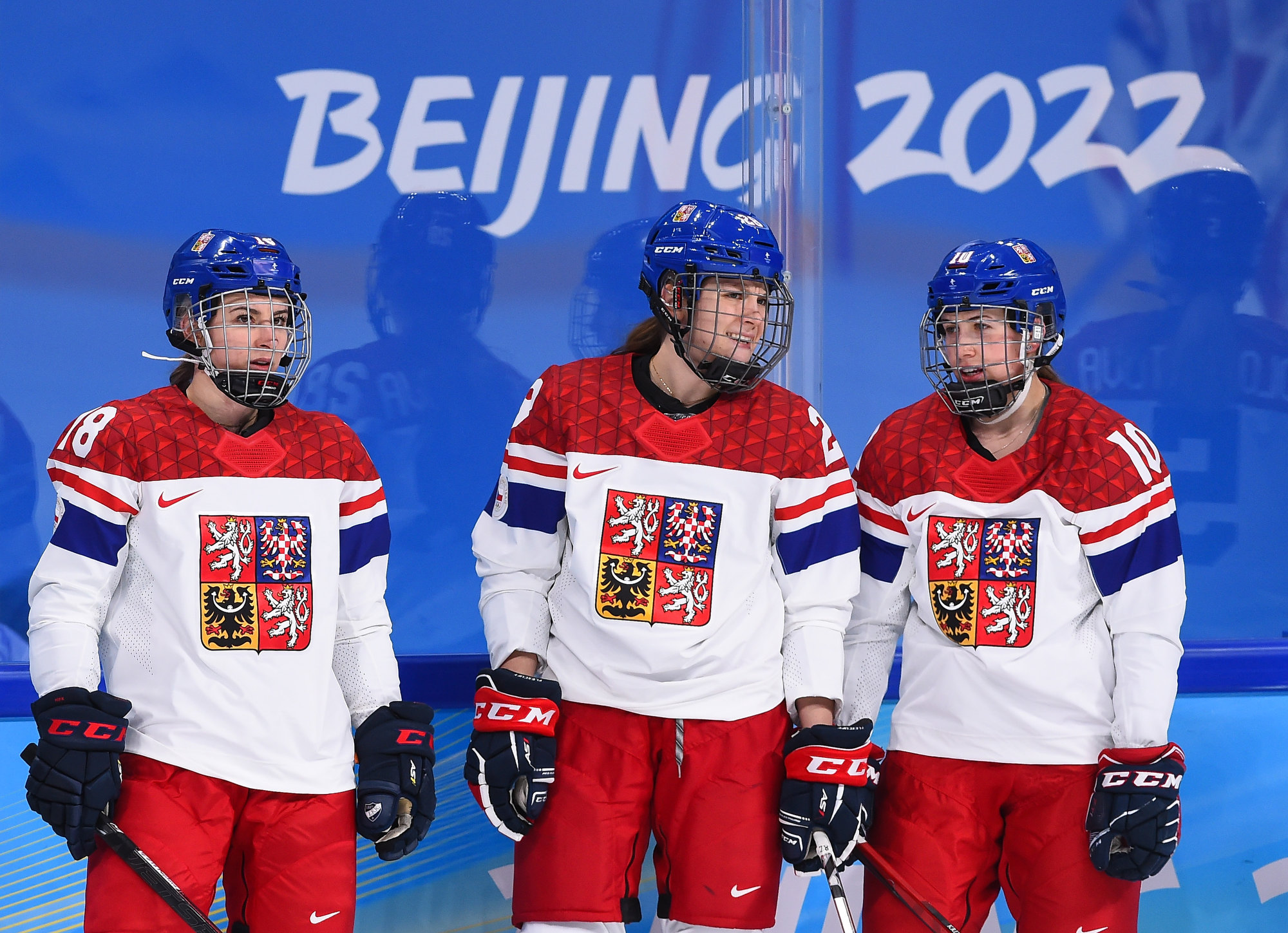 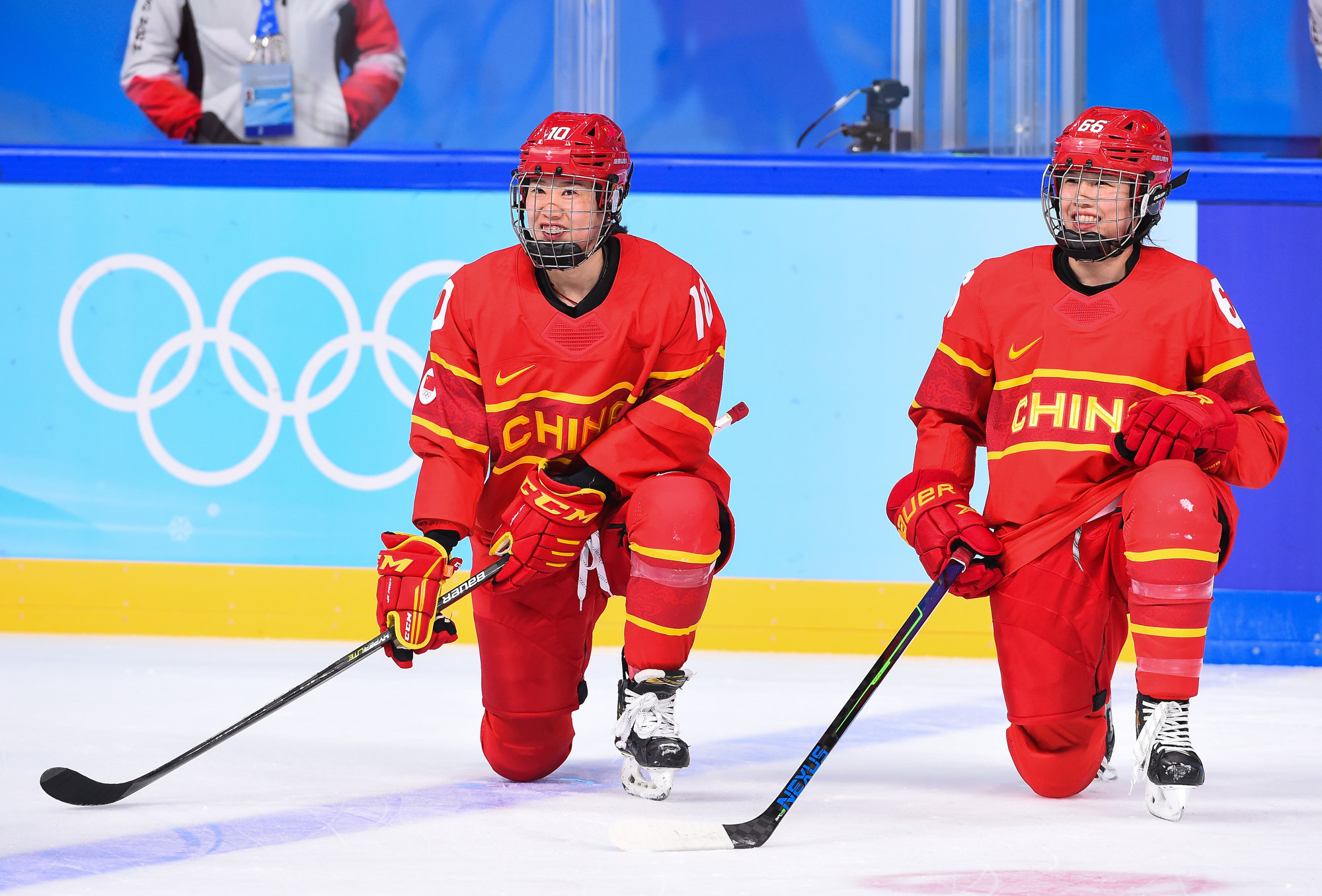 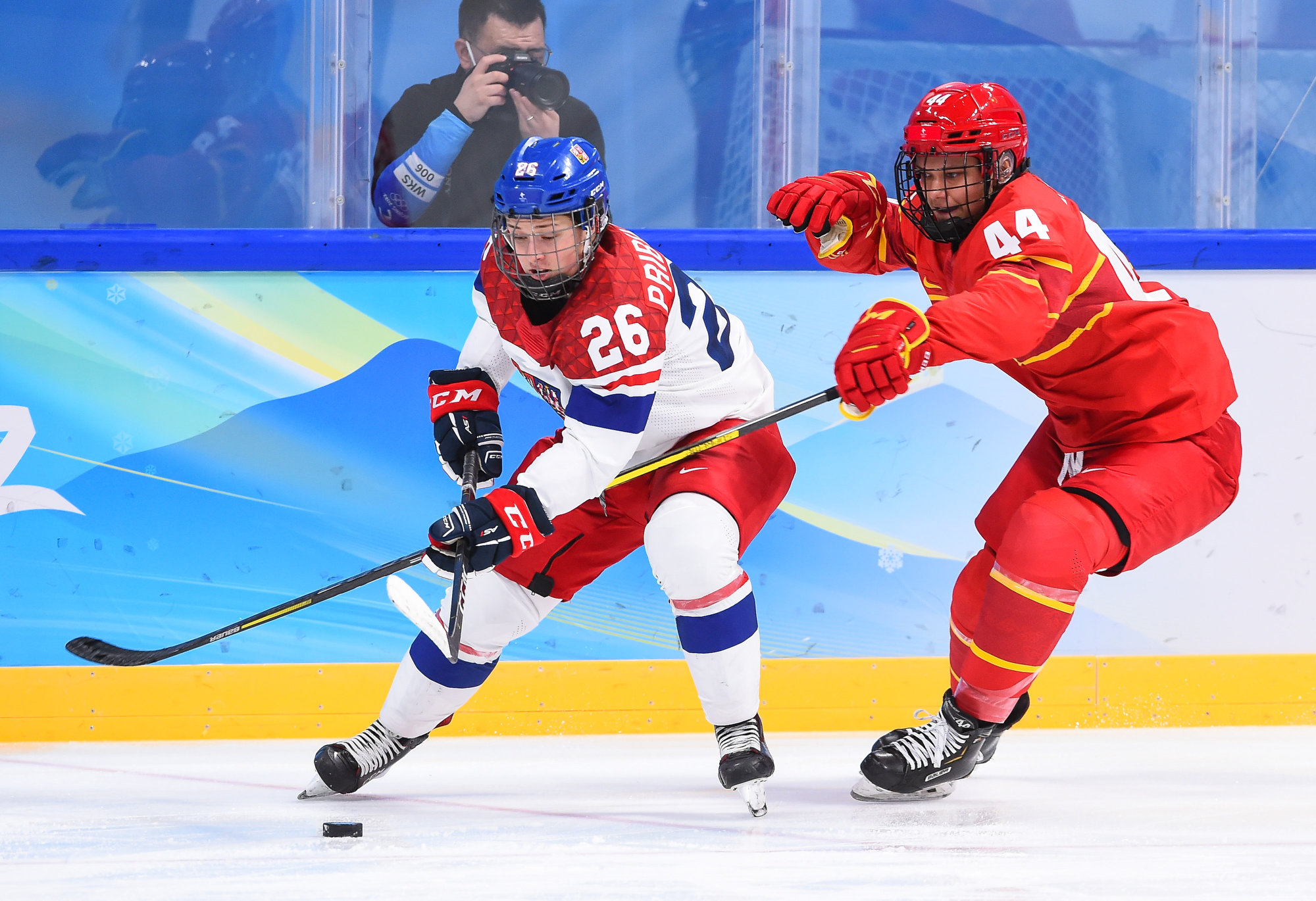 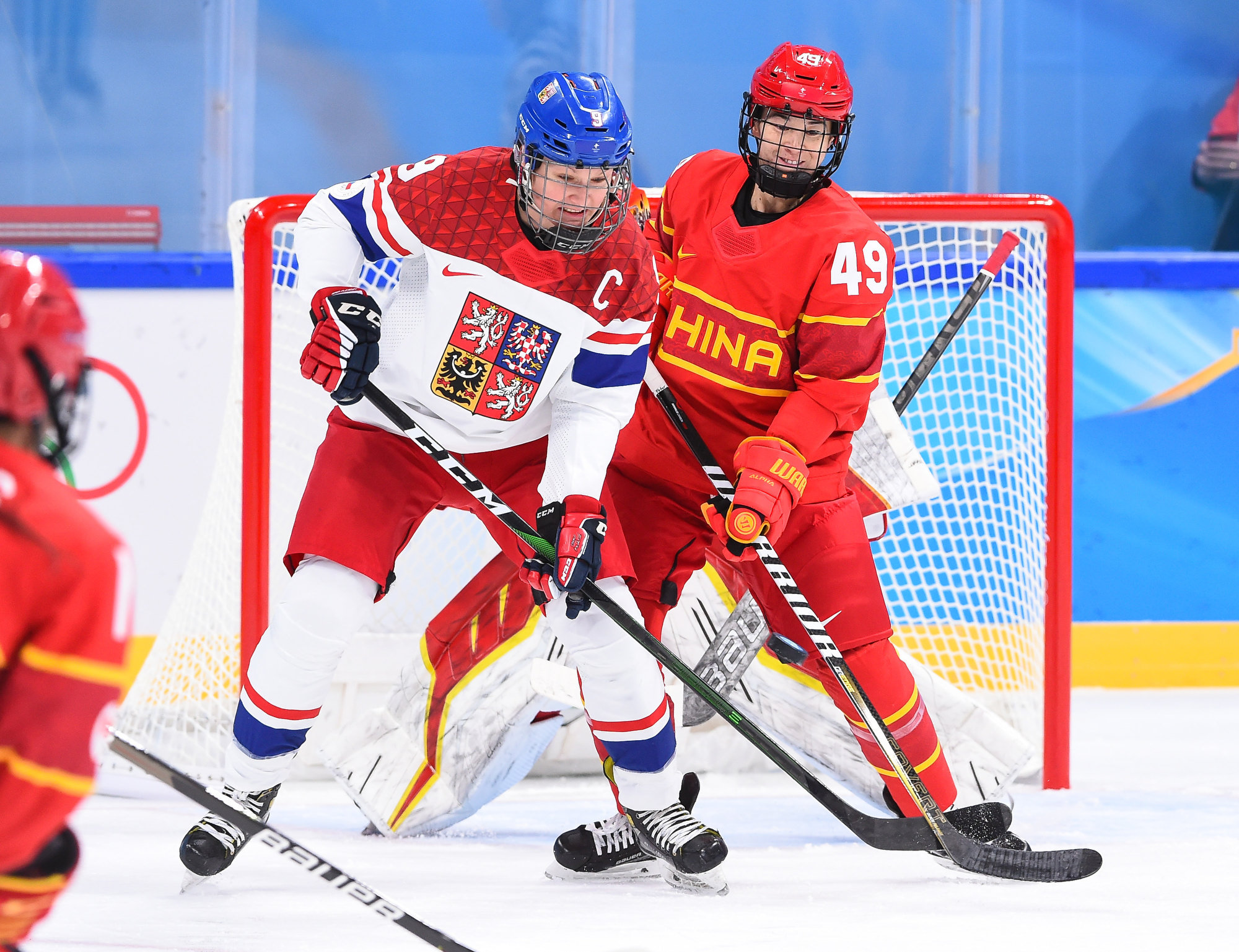 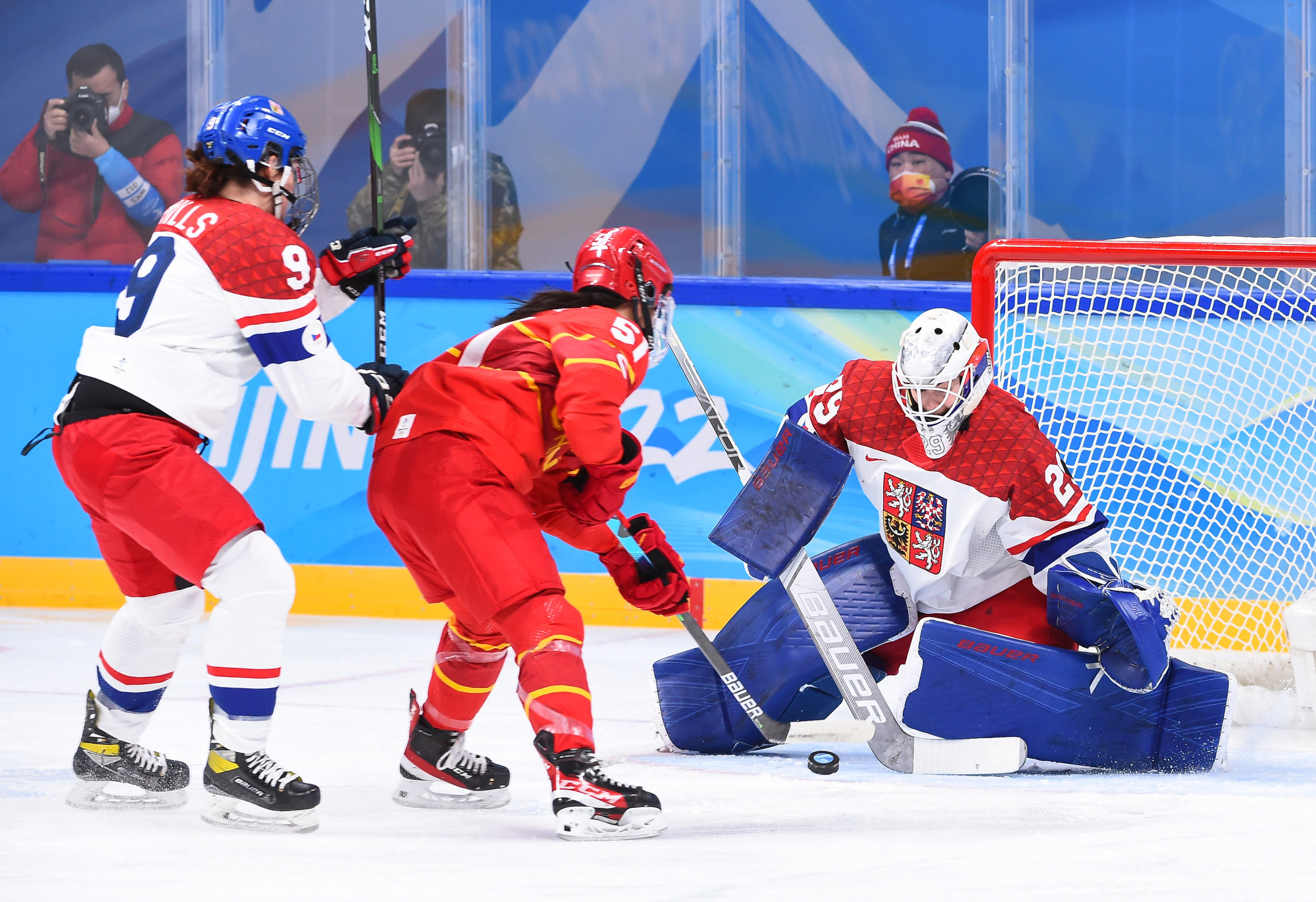 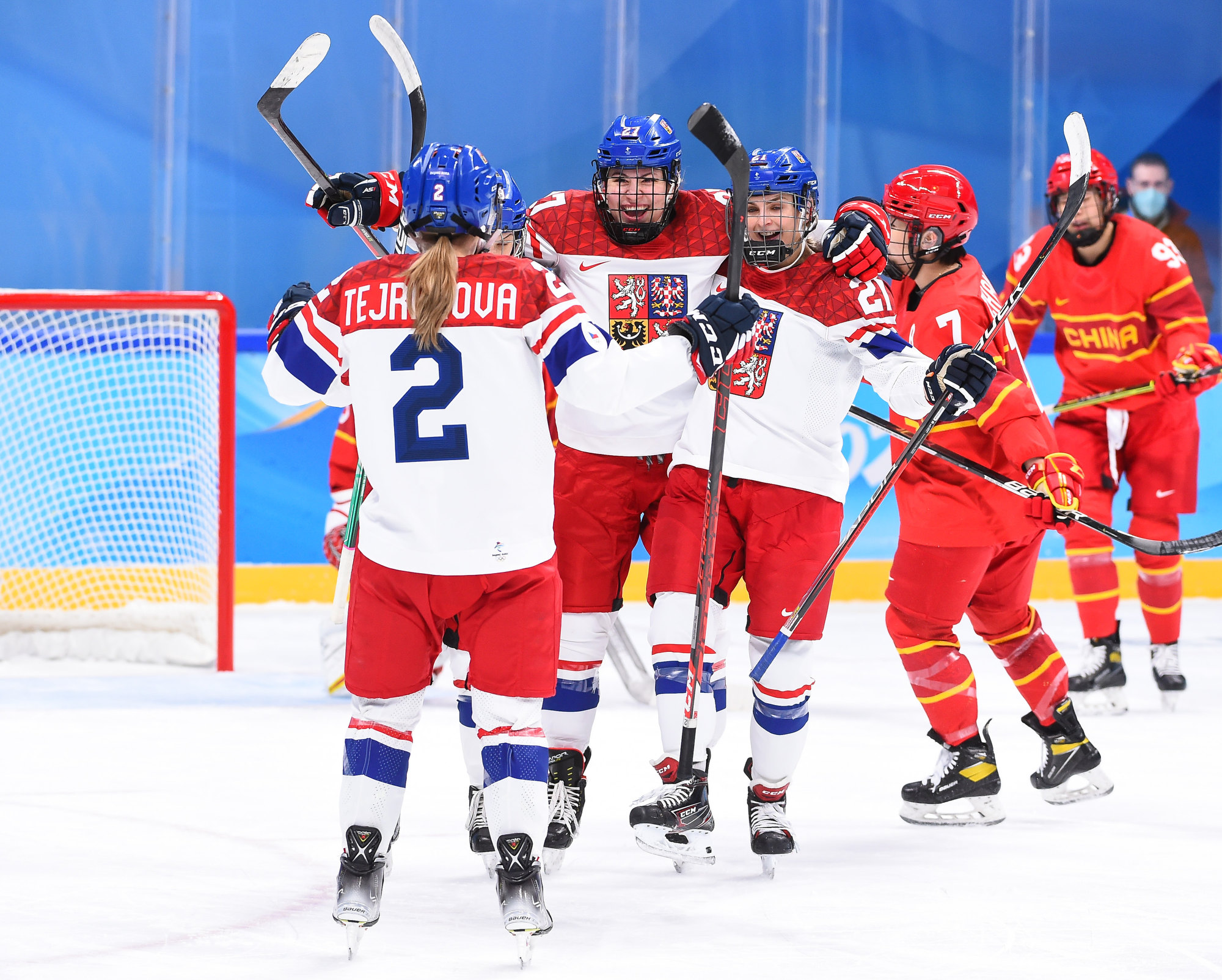 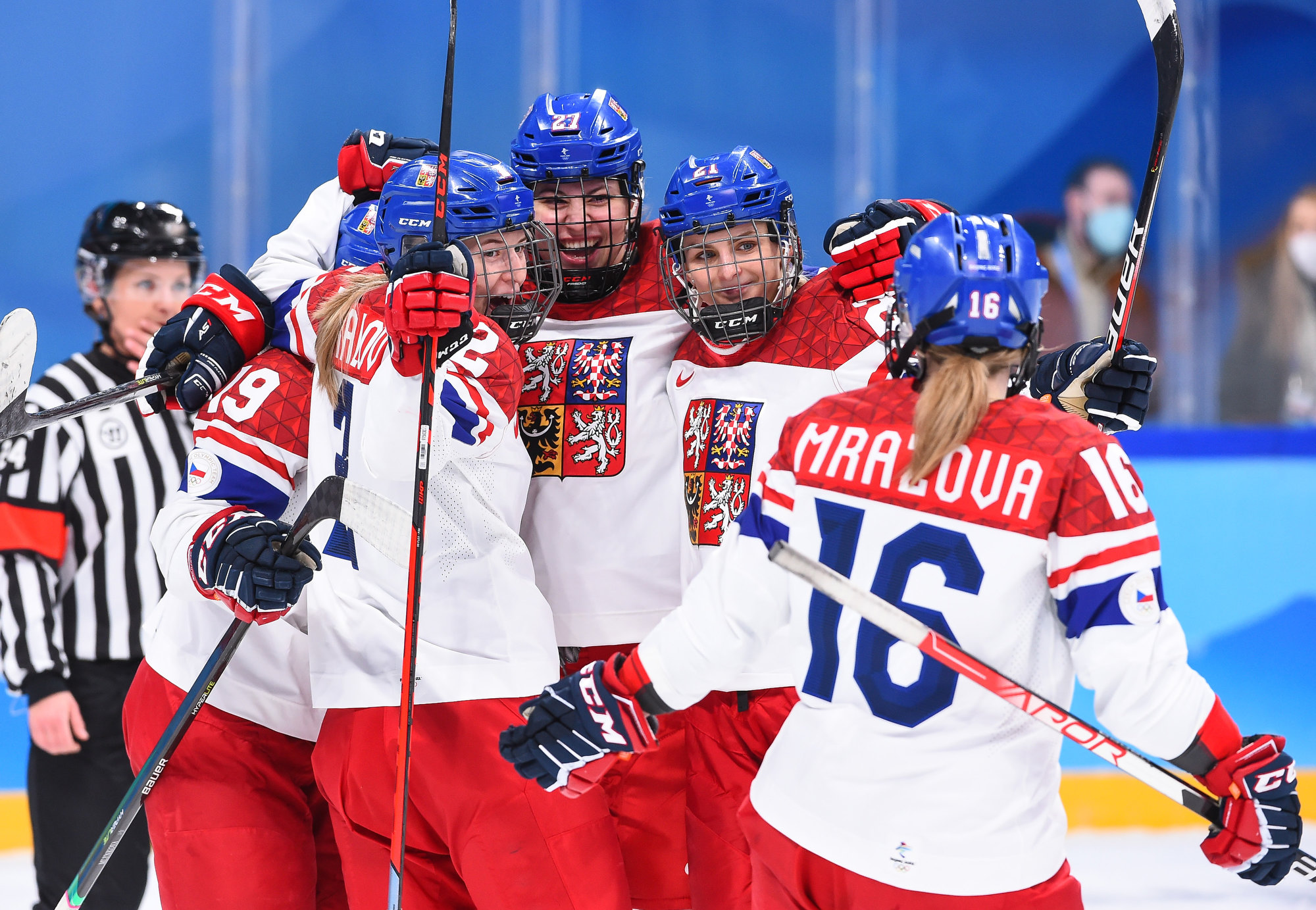 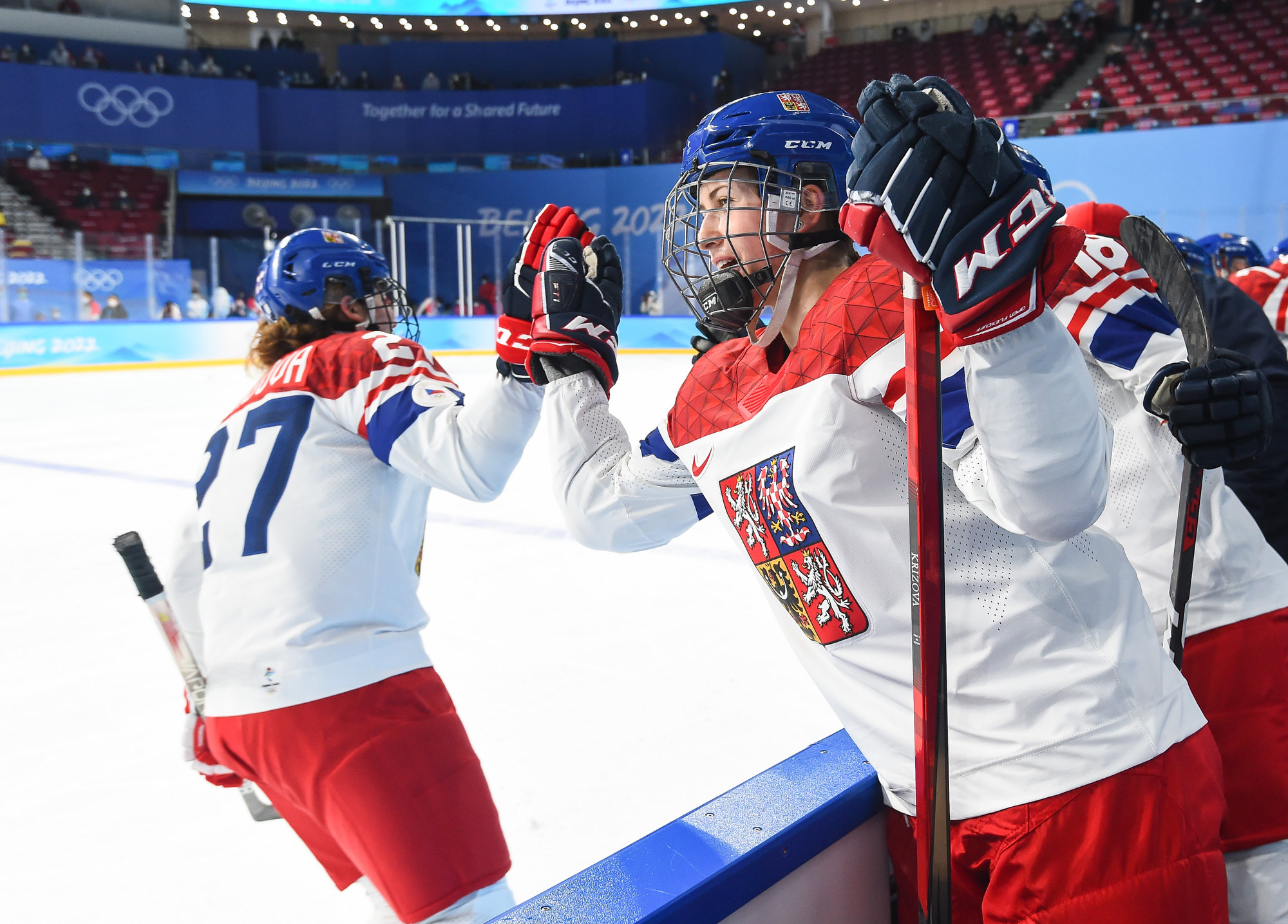 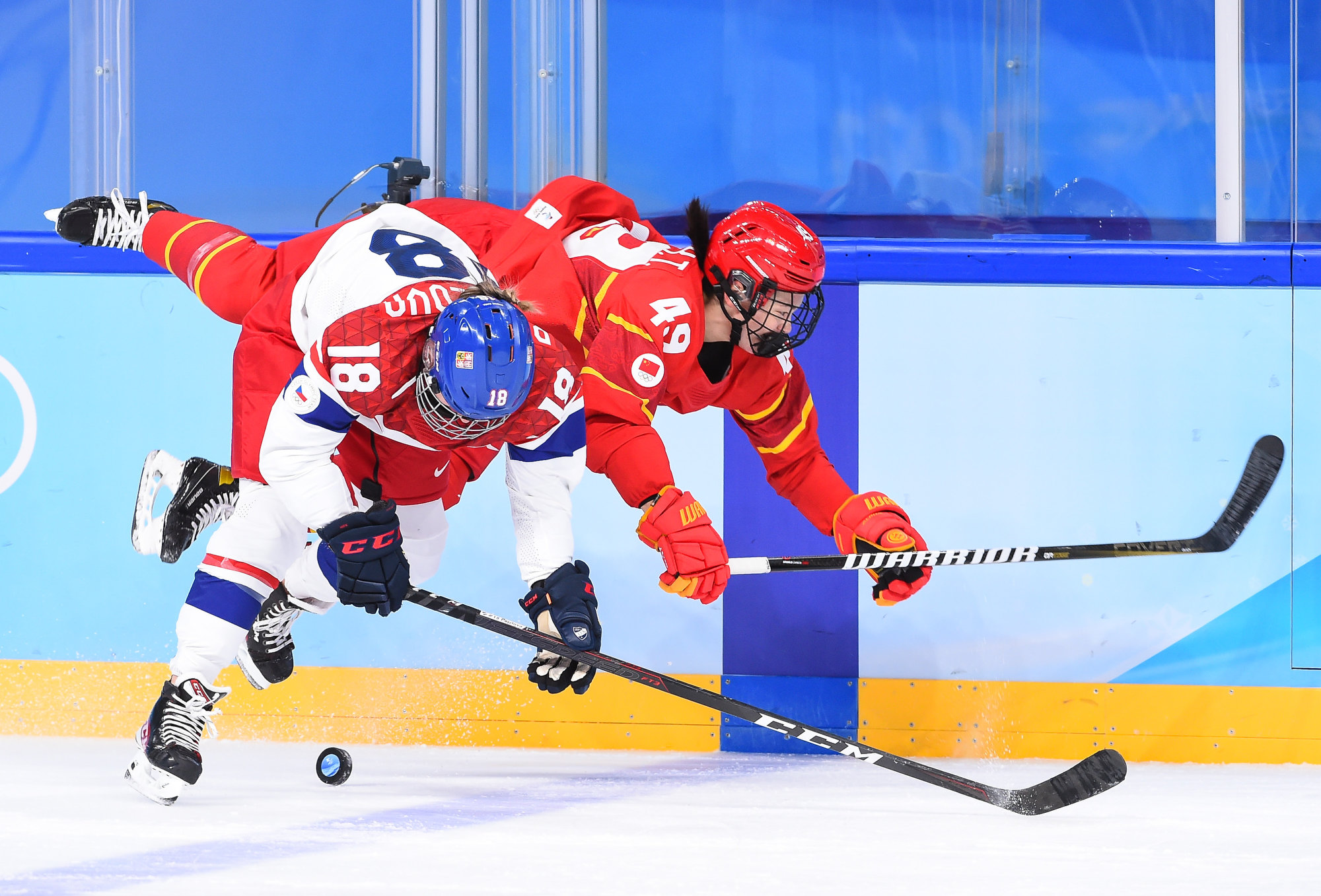 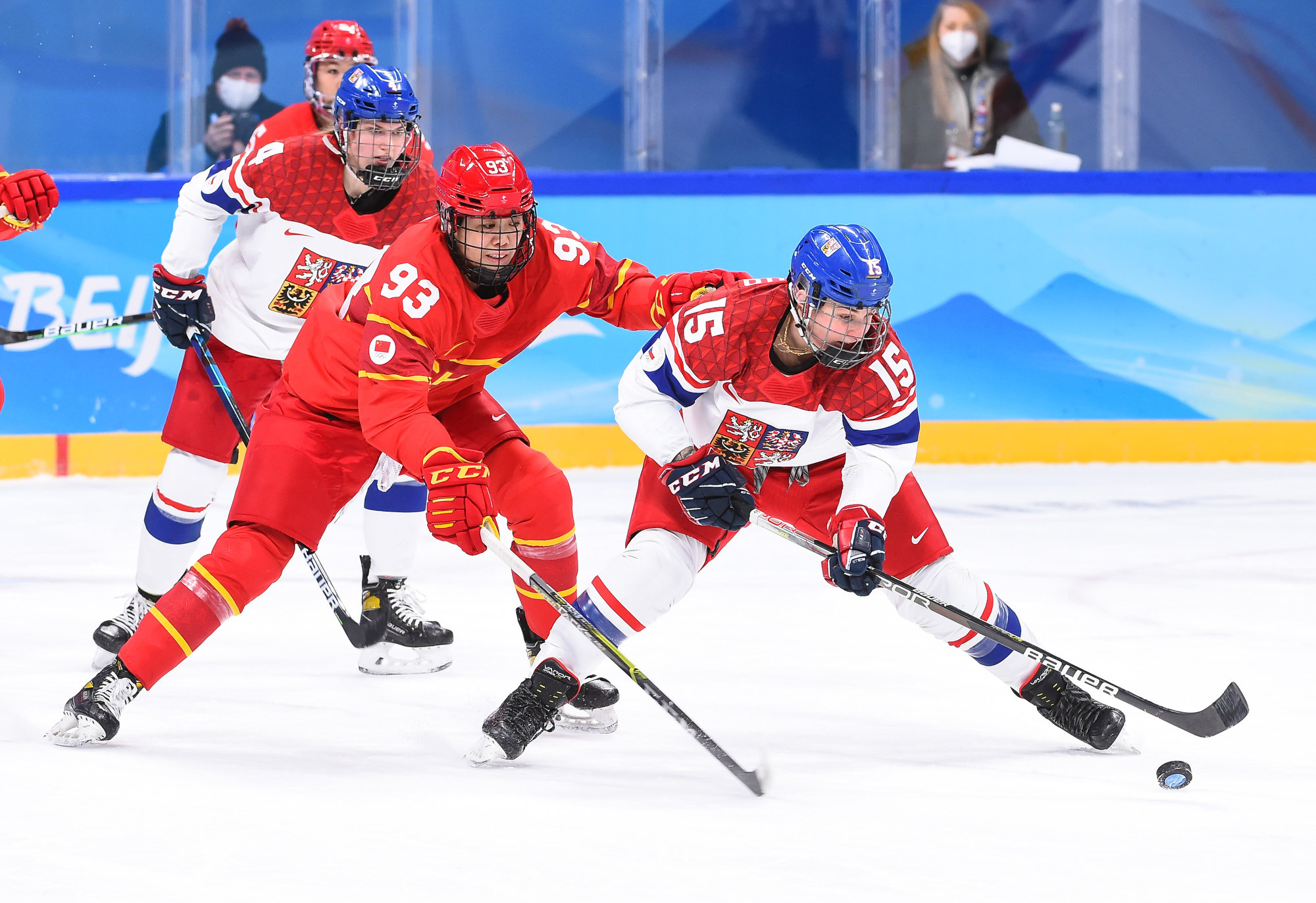 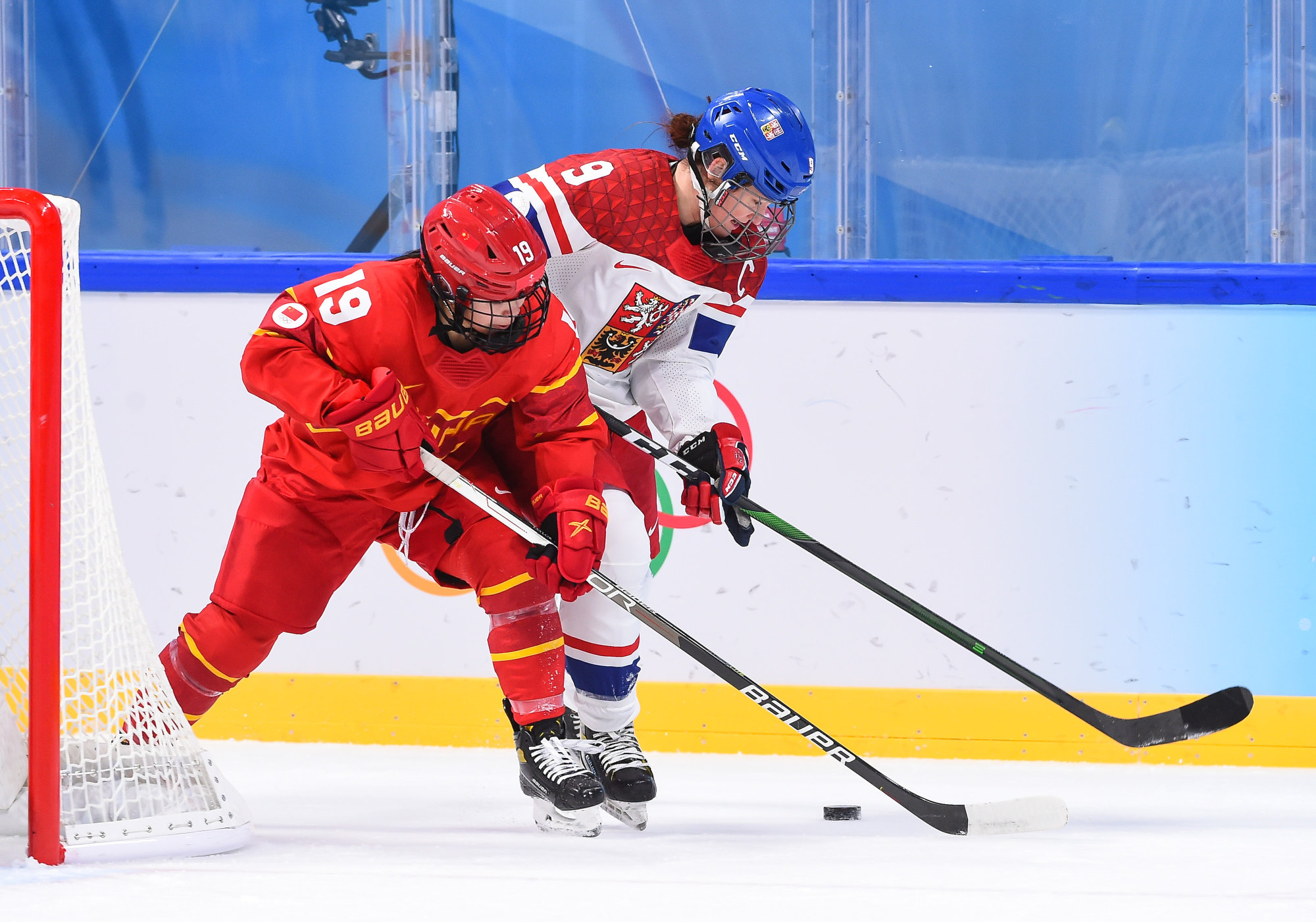 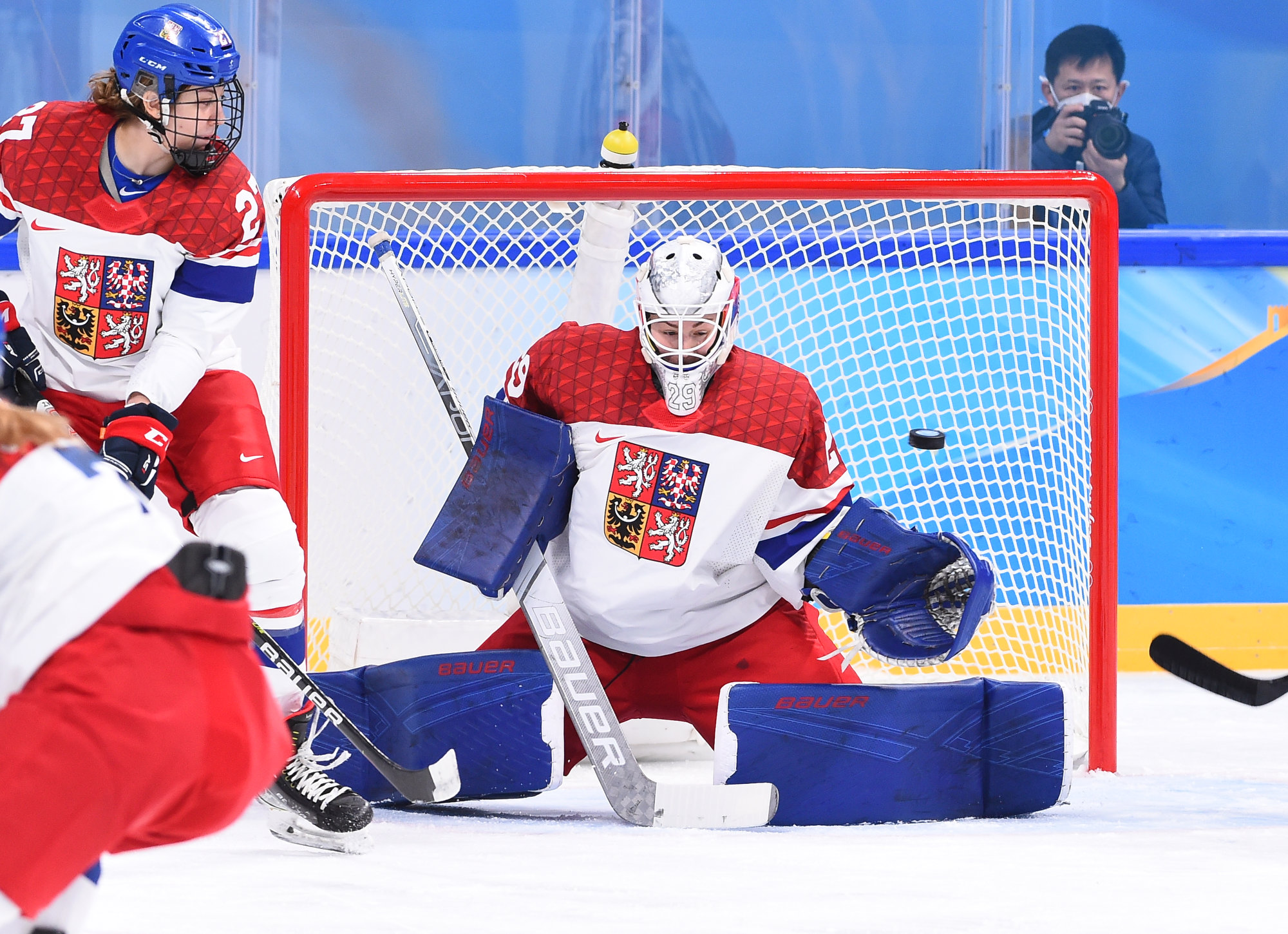 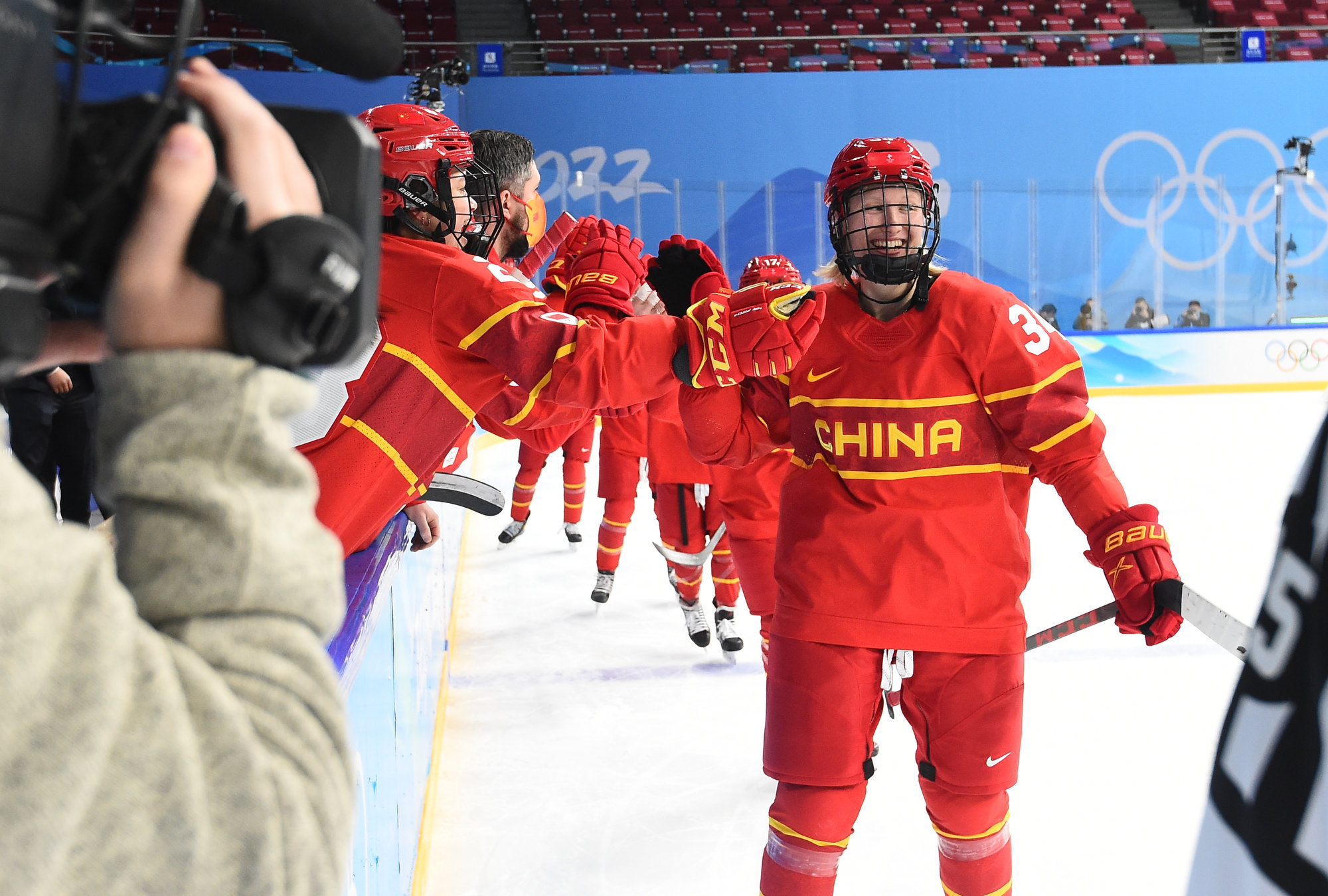 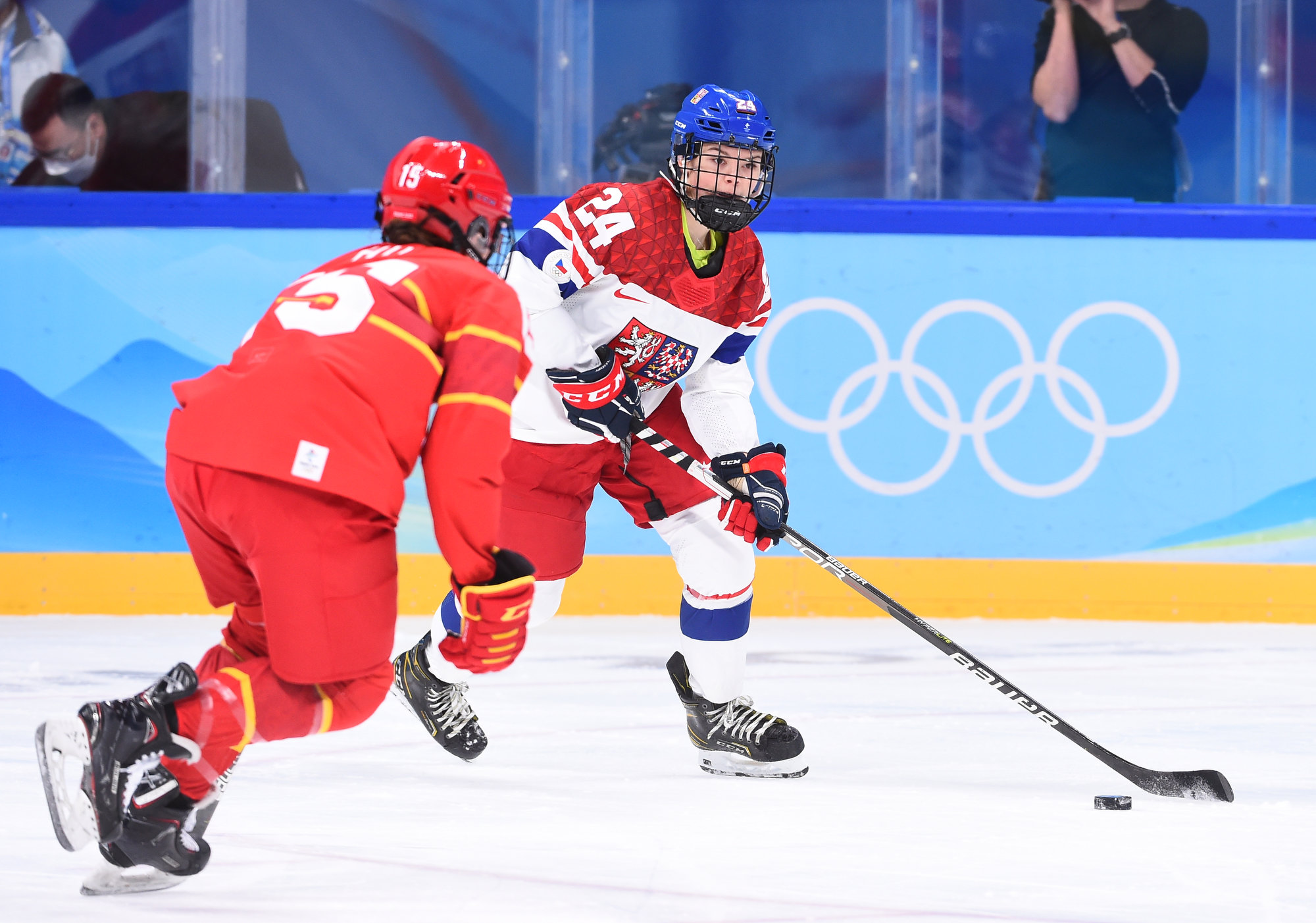 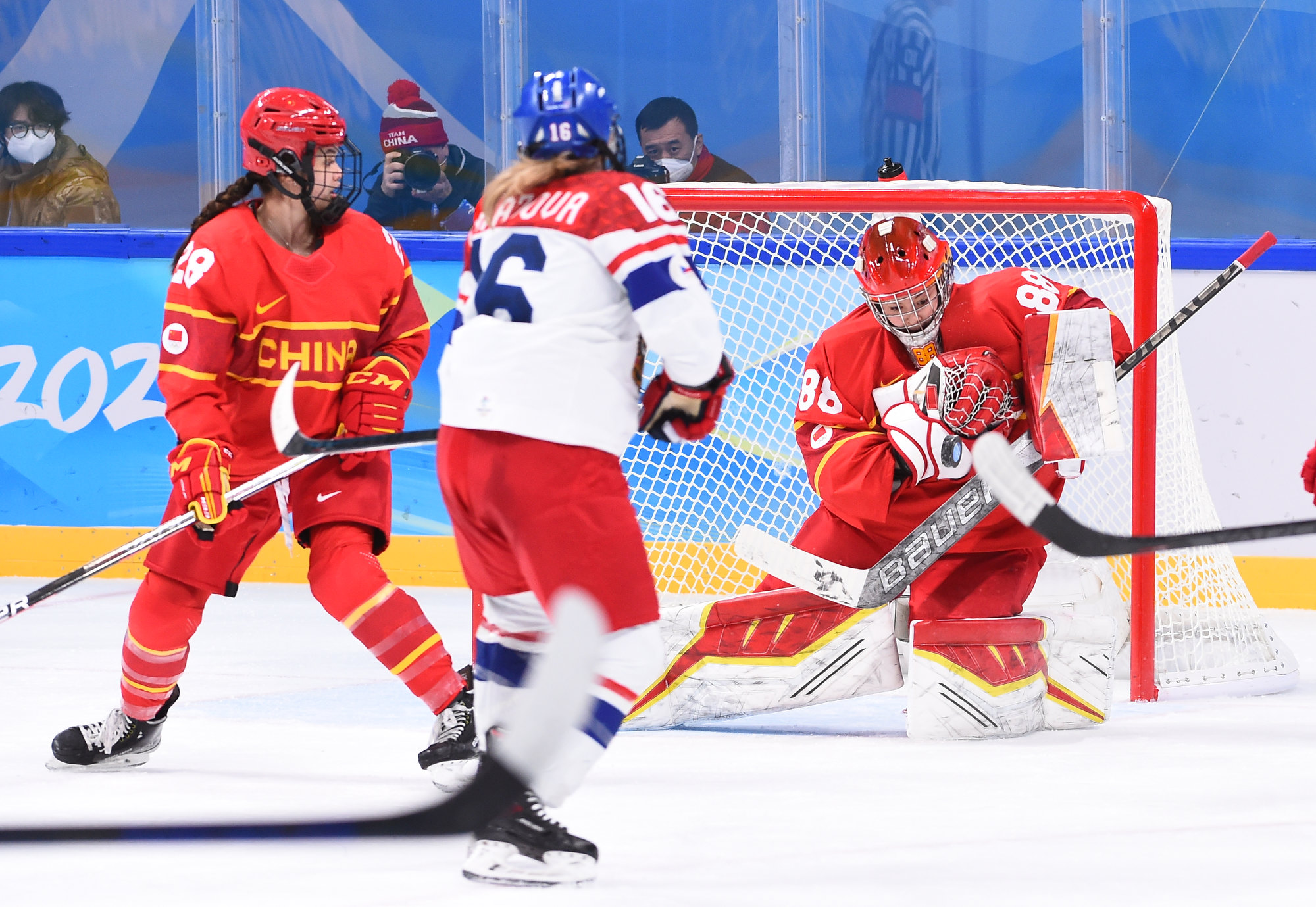 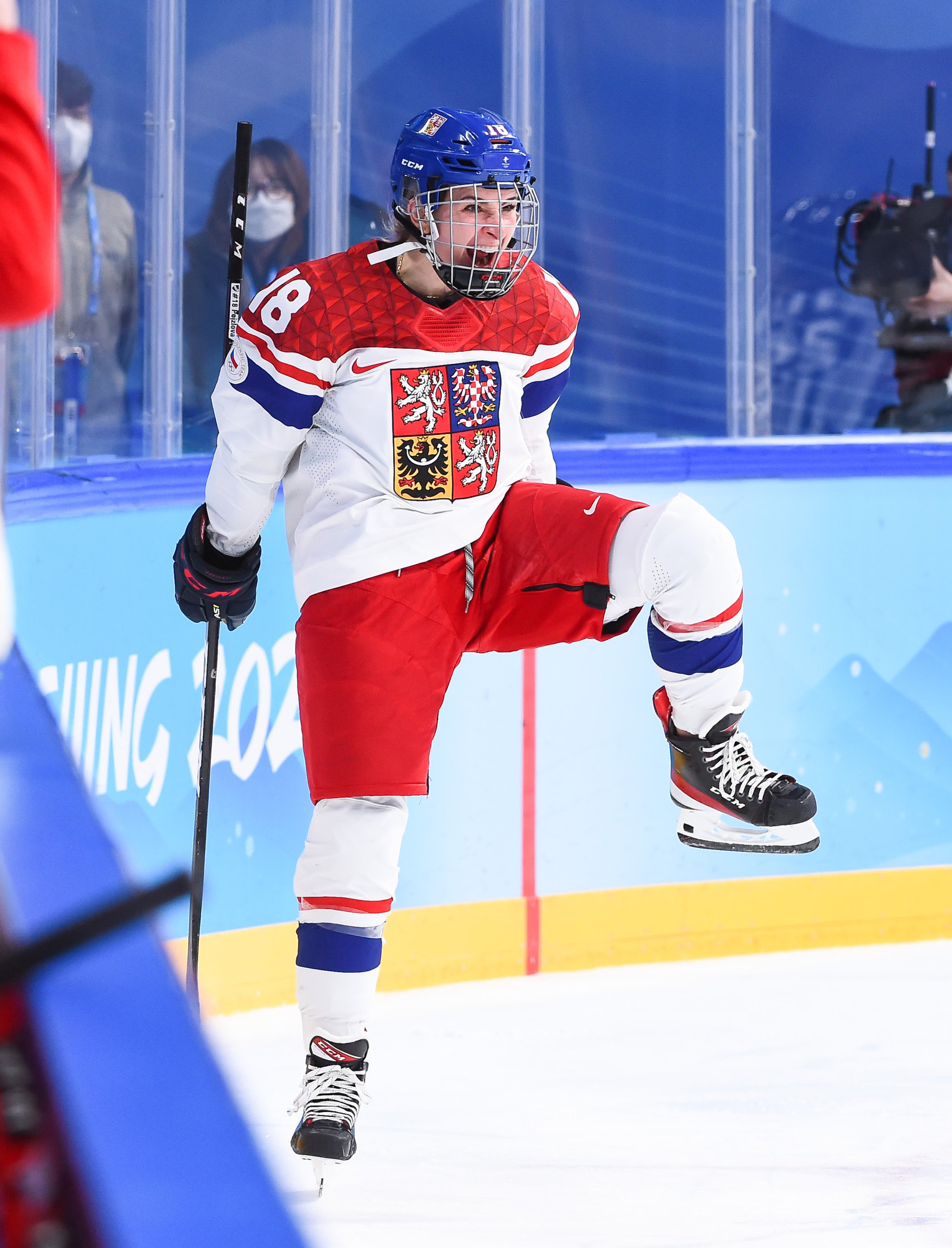 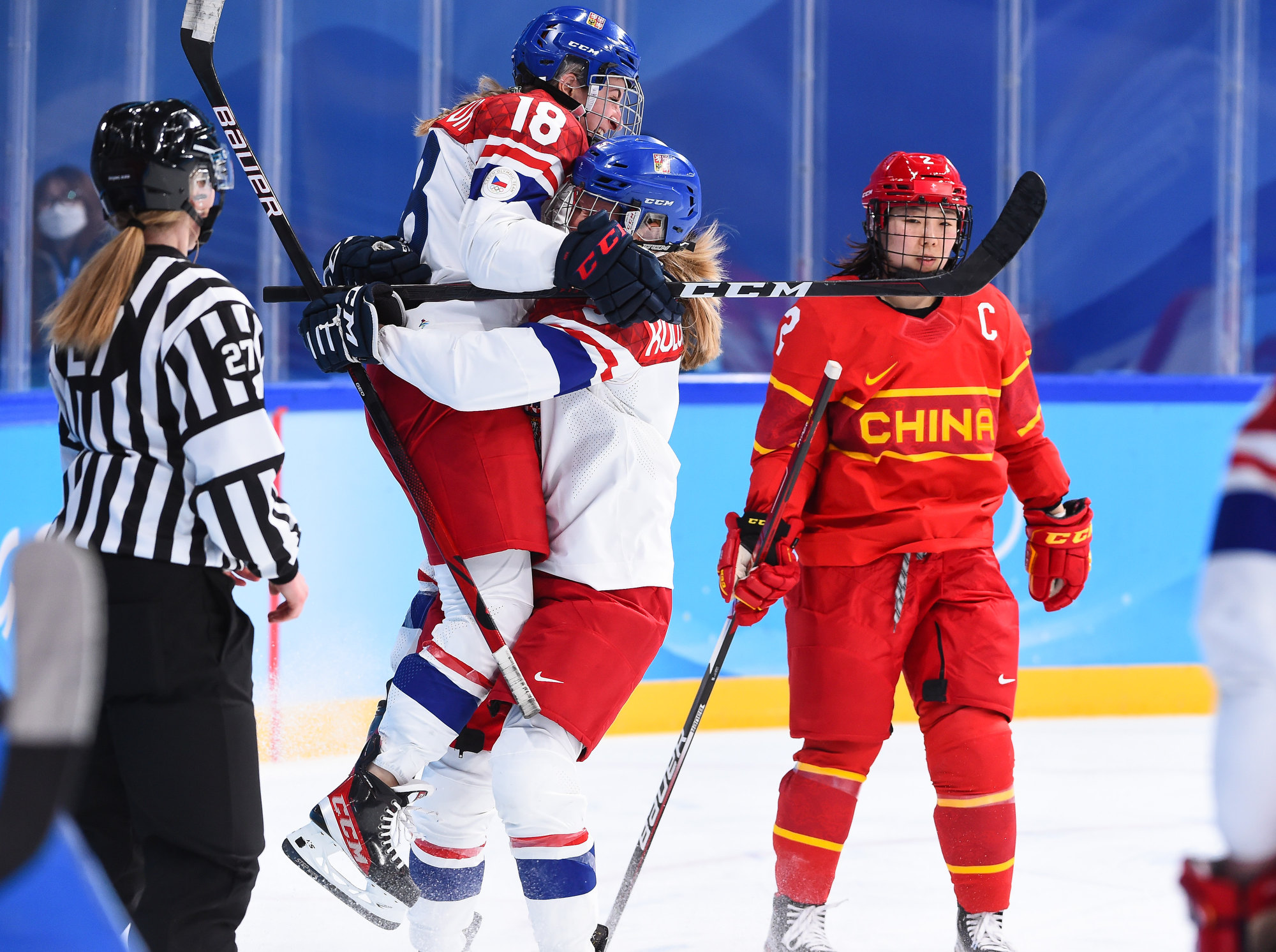 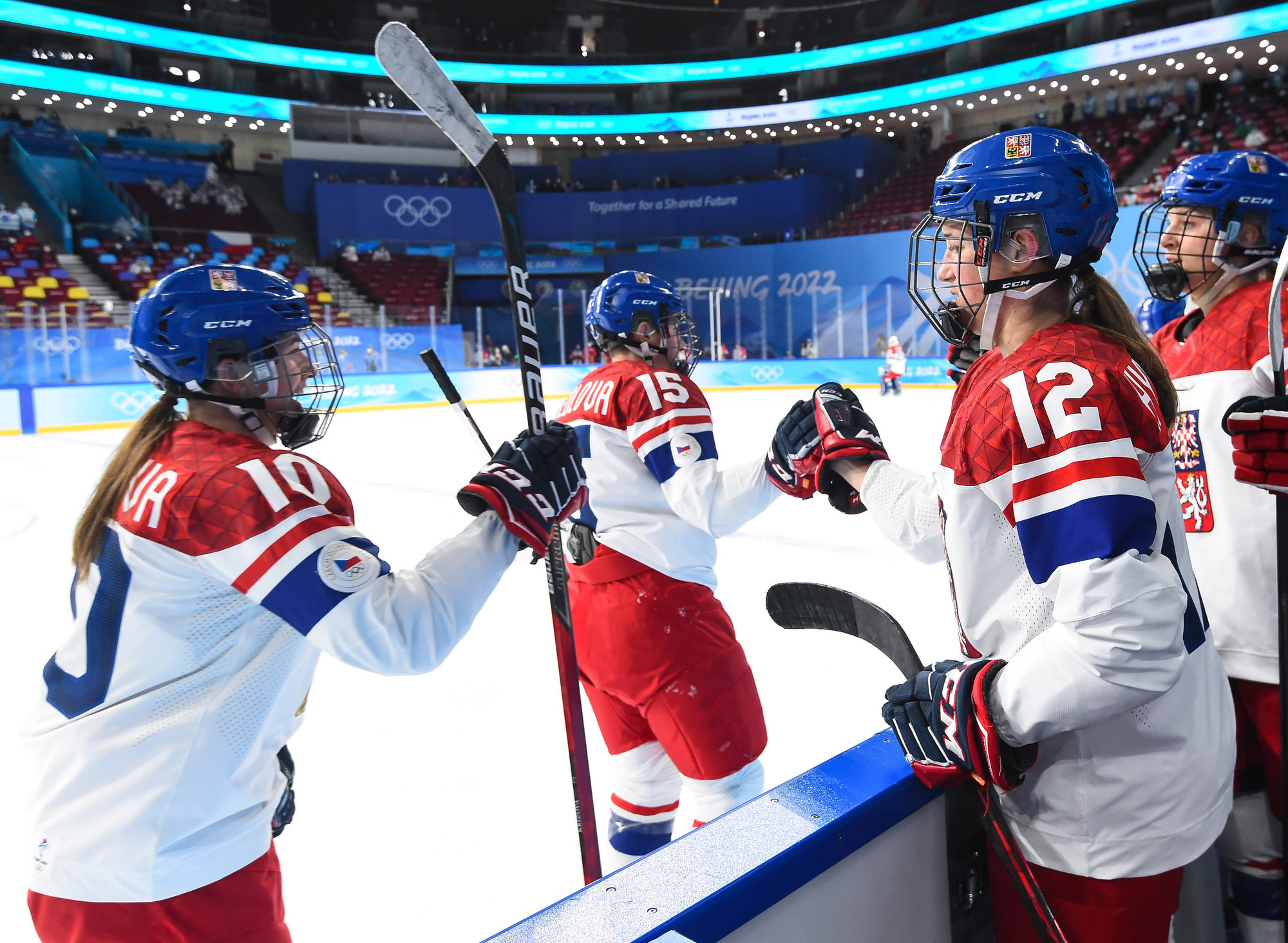 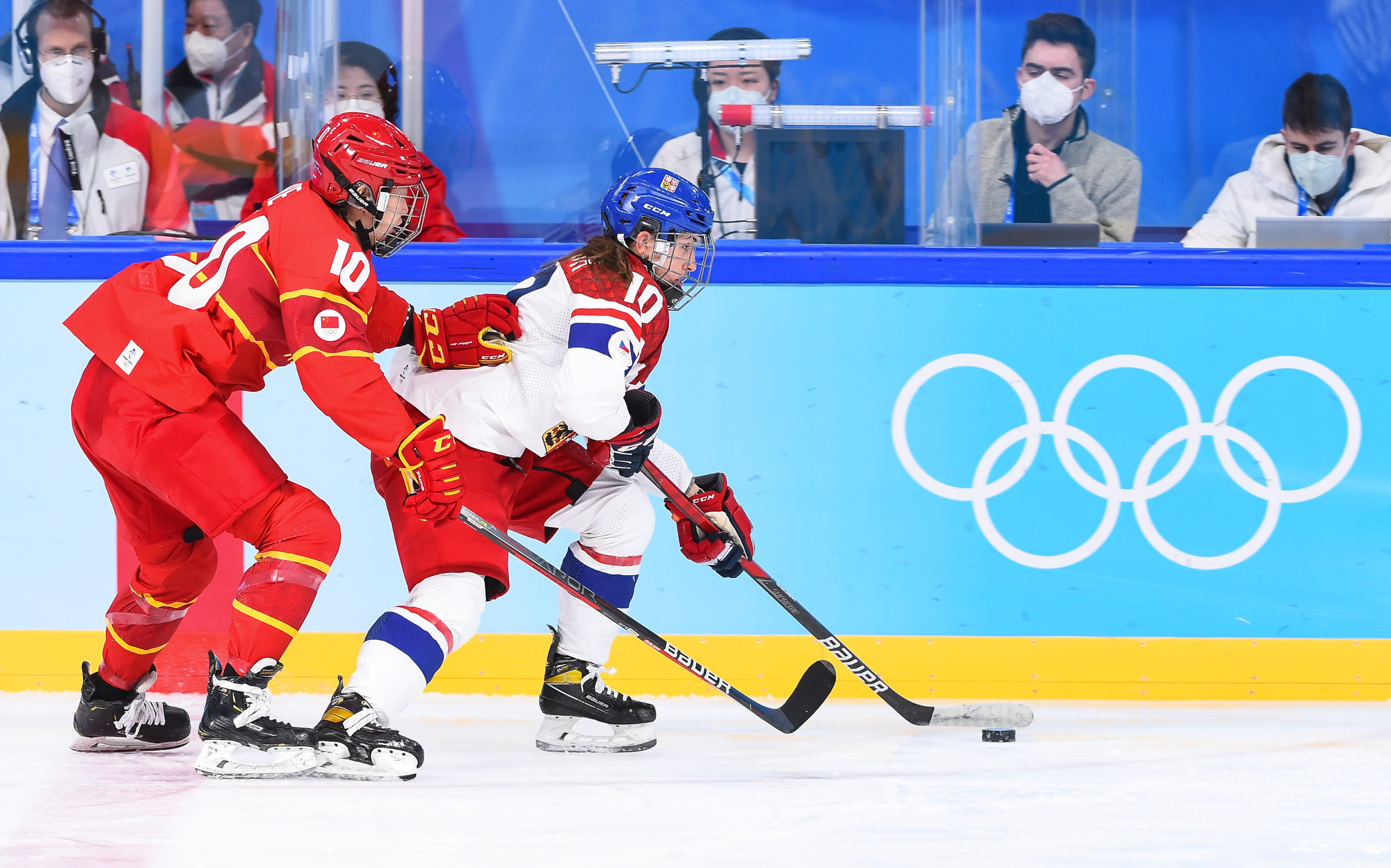 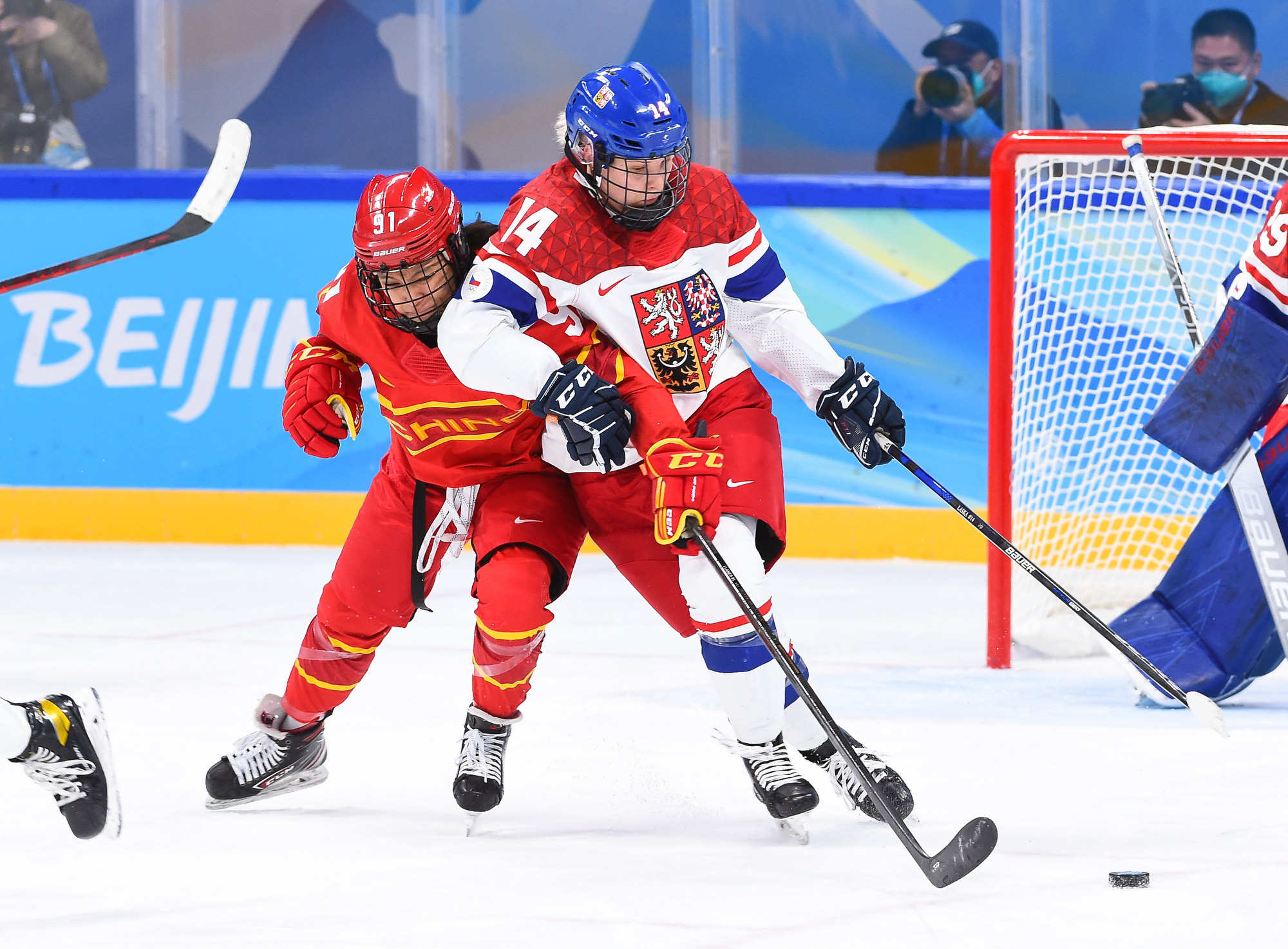 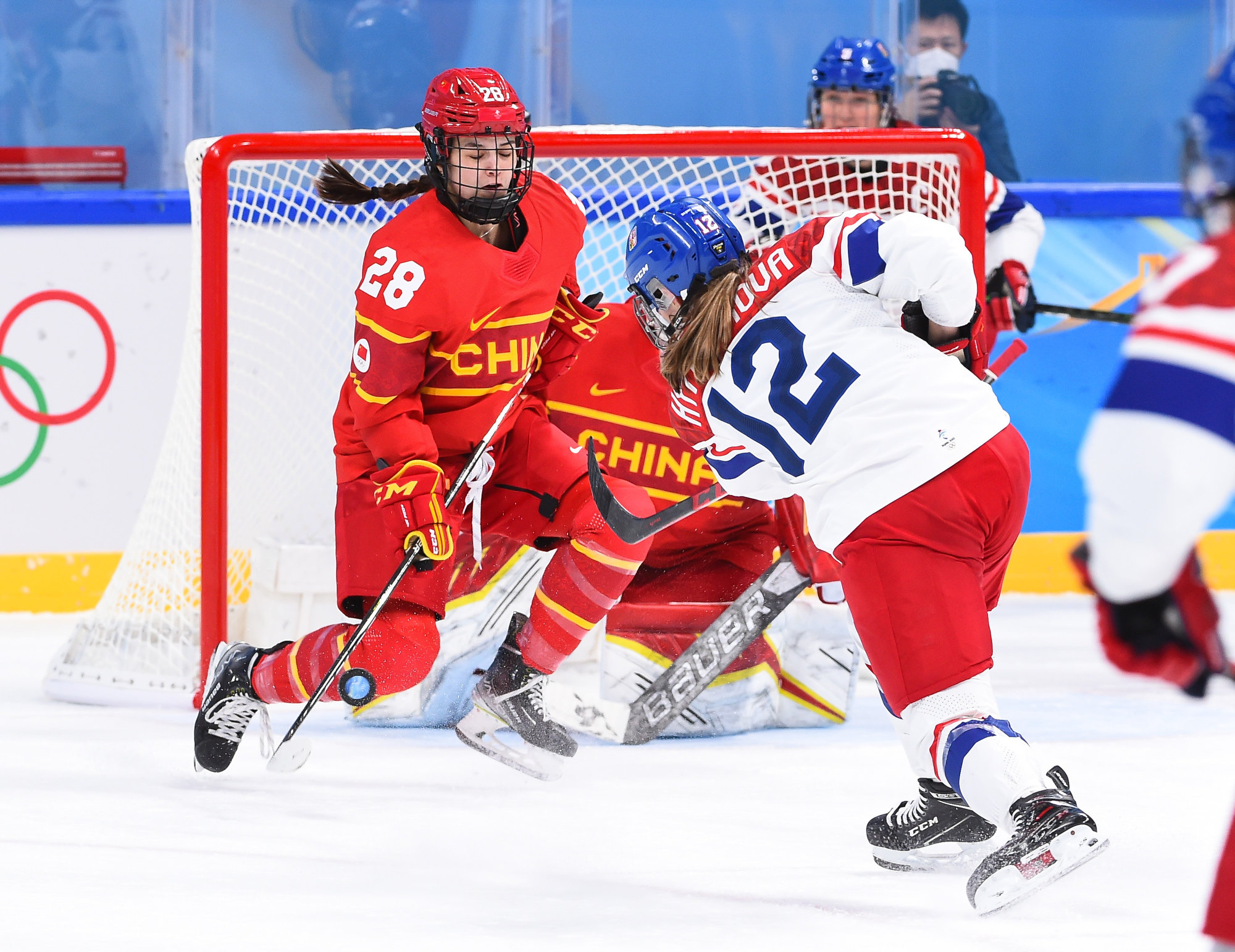 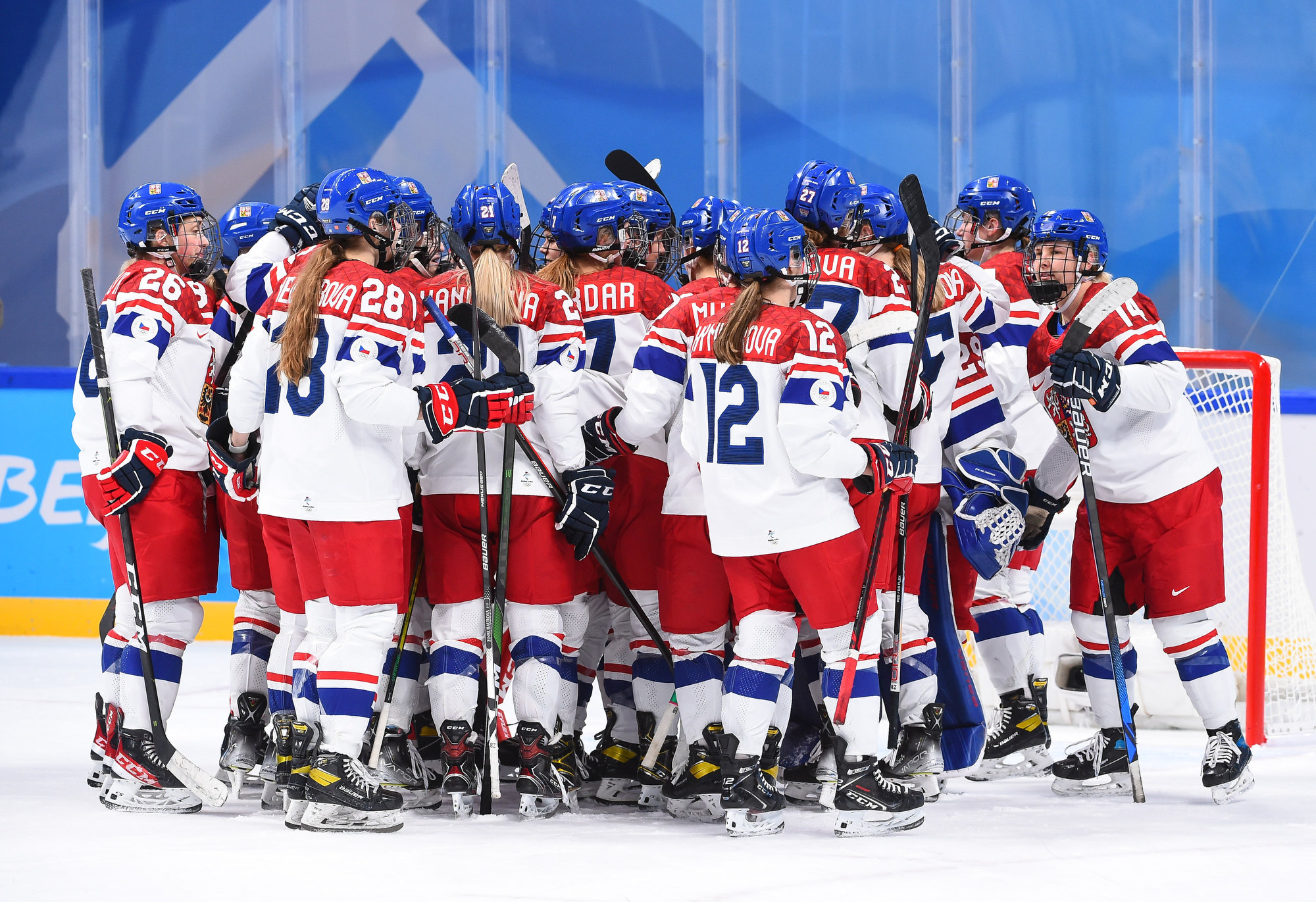 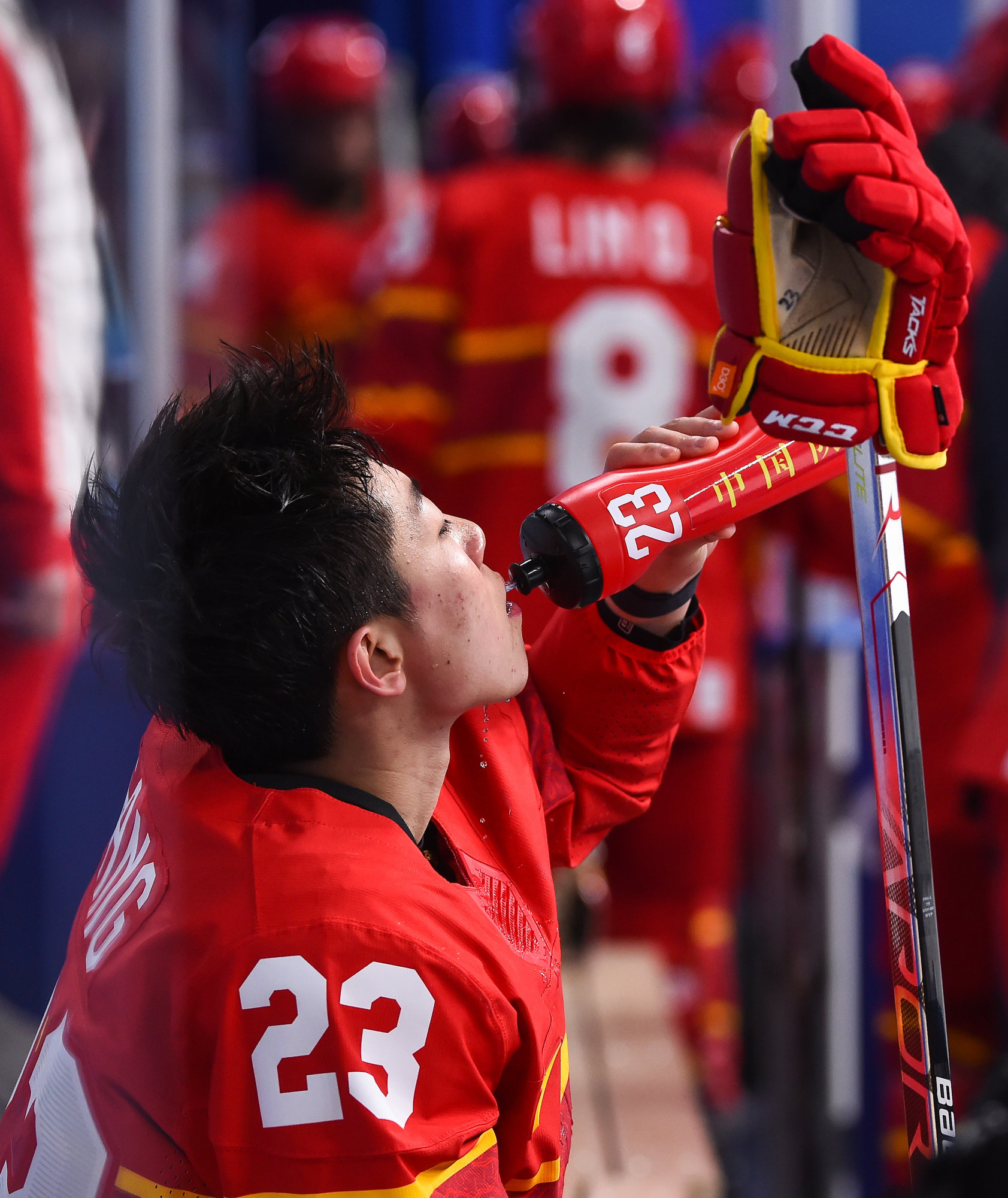 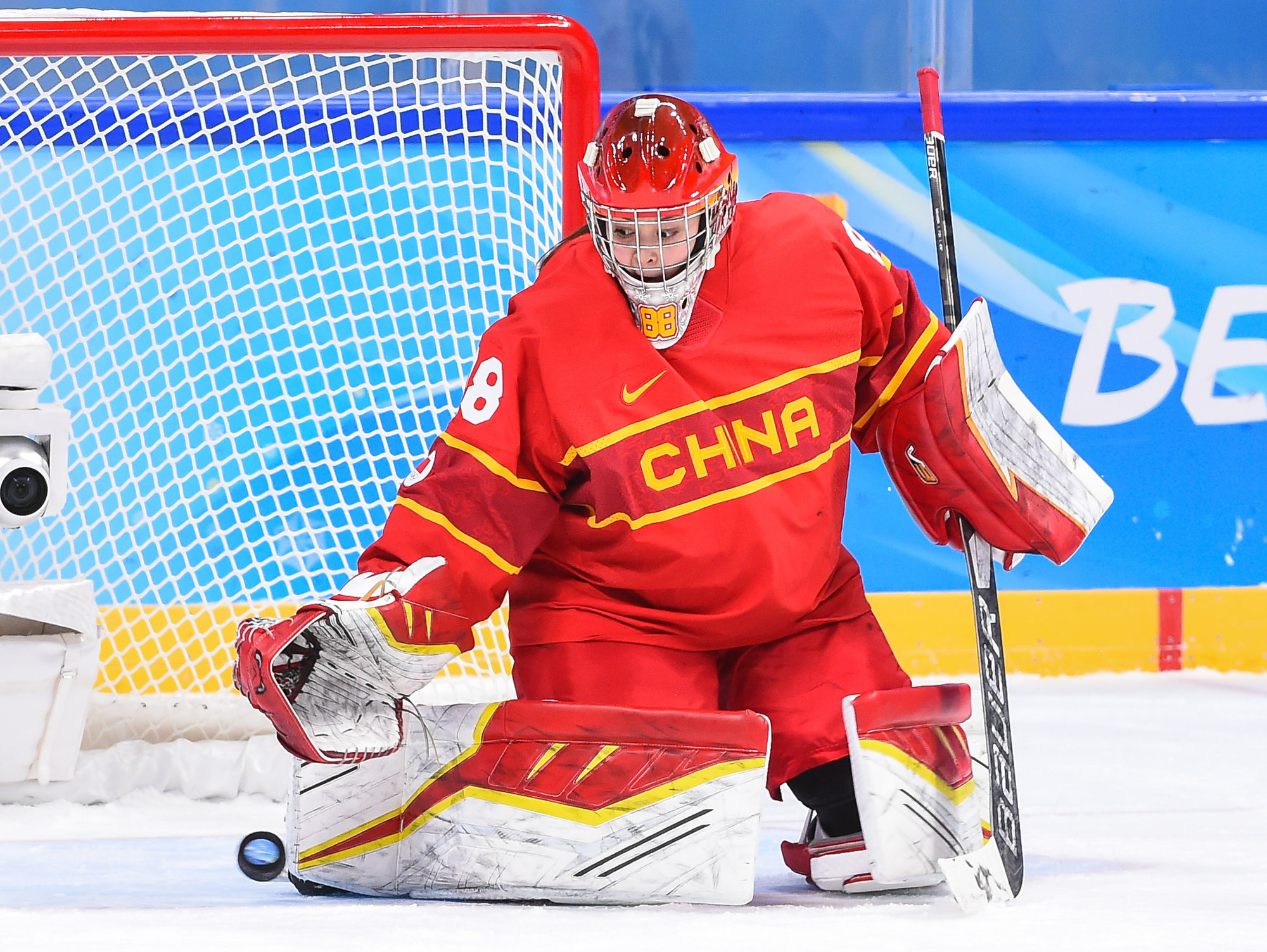