Finland takes it to Latvia
Finland's Kasperi Kapanen #24 carries the puck while followed closely by Latvia's Rudolfs Balcers #21.
photo: Matt Zambonin / HHOF-IIHF Images
share
Sebastian Aho had two goals and four assists to lead Finland to an 8-1 crushing of Latvia in Herning tonight. Finland moved to the top of Group B by winning its second game to start the 2018 World Championship.

The loss leaves Latvia with two points (overtime win, loss) and in a tie for fifth place.

"Getting off to a strong start as we did today helps a lot because it relaxes the whole team," noted Markus Nutivaara of the winners. "These games help give us confidence, scoring goals and playing like a team. We have to trust ourselves and keep doing what we're good at."

"It's just one game," philosophized Rihards Bukarts, the lone scorer for Latvia. "We have to come back stronger and learn from our mistakes."

The Finns got just the start they needed, scoring first just 84 seconds into the game. Veli-Matti Savinainen made a nice deke inside the Latvian end and whisked a pass to Sebastian Aho, who drilled a perfect one timer to the open side past an outstretched Kristers Gudlevskis.

The Finns kept pressing and were rewarded six and a half minutes later. Miro Heiskanen’s quick point shot got through traffic, and Savinainen tipped the puck over Gudlevskis’ glove at 7:44 to make it 2-0.

The backbreaker came late in the period when Antti Suomela’s shot from in close dribbled over the goal line, putting Latvia in a hole it was unable to dig out of in the closing 40 minutes.
World Men
Latvia vs. Finland
Finland just kept on coming! Sebastian Aho lead the team with six points (2G, 4A) as Finland collects another win at #IIHFWorlds.
LAT FIN 06 MAY 2018
Latvia had a great opportunity to get back into the game in the second period when it had a two-man advantage for 57 seconds and a further one-man power play for 3:03 thanks to a double minor to Markus Nutivaara, but the Finnish penalty killing was letter perfect.

And as soon as the penalties were over, Suomi struck again. Oskars Cibulskis made an atrocious pass from the corner up the middle. Aho easily picked it off, went in alone, and beat Gudlevskis again.

Strangely, this was when the Latvians produced their best offense. Rodrigo Abols was in alone, only to be stoned by Husso, and soon after Roberts Bukarts and Rudolfs Balcers also had golden opportunities, both stopped by Husso.

Savinainen then made it 5-0 at 14:49 to leave no doubt as to which team would emerge victorious tonight.

Finland scored three more in the third before Bukarts finally got one for Latvia. His long shot evaded half a dozen bodies and fooled Husso at 11:38 to make it 8-1.

"We had good offence going today," said Nutivaara. "All four lines worked well, and the top lines were buzzing around the net. Overall, it was really good."
Latvia vs. Finland 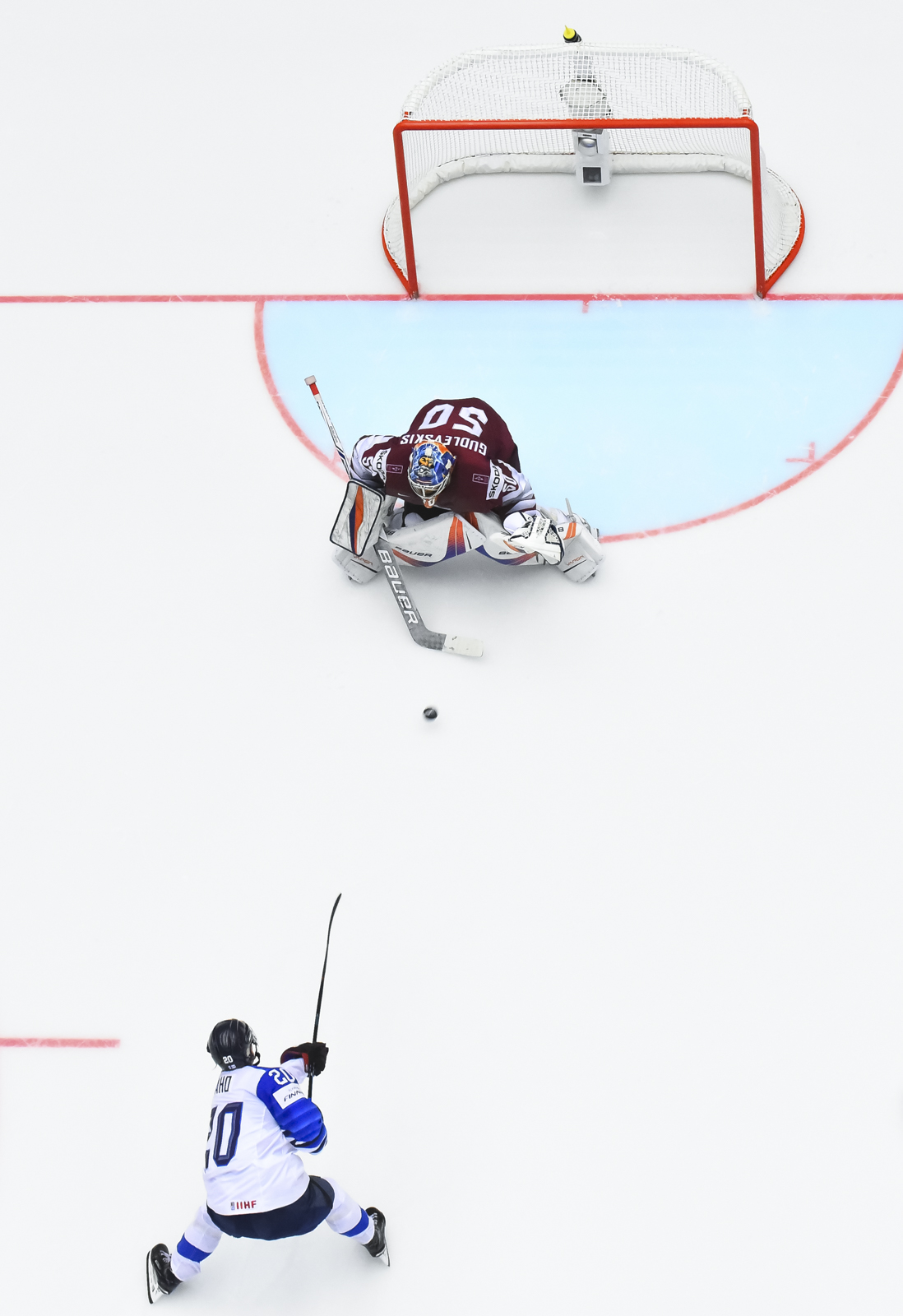 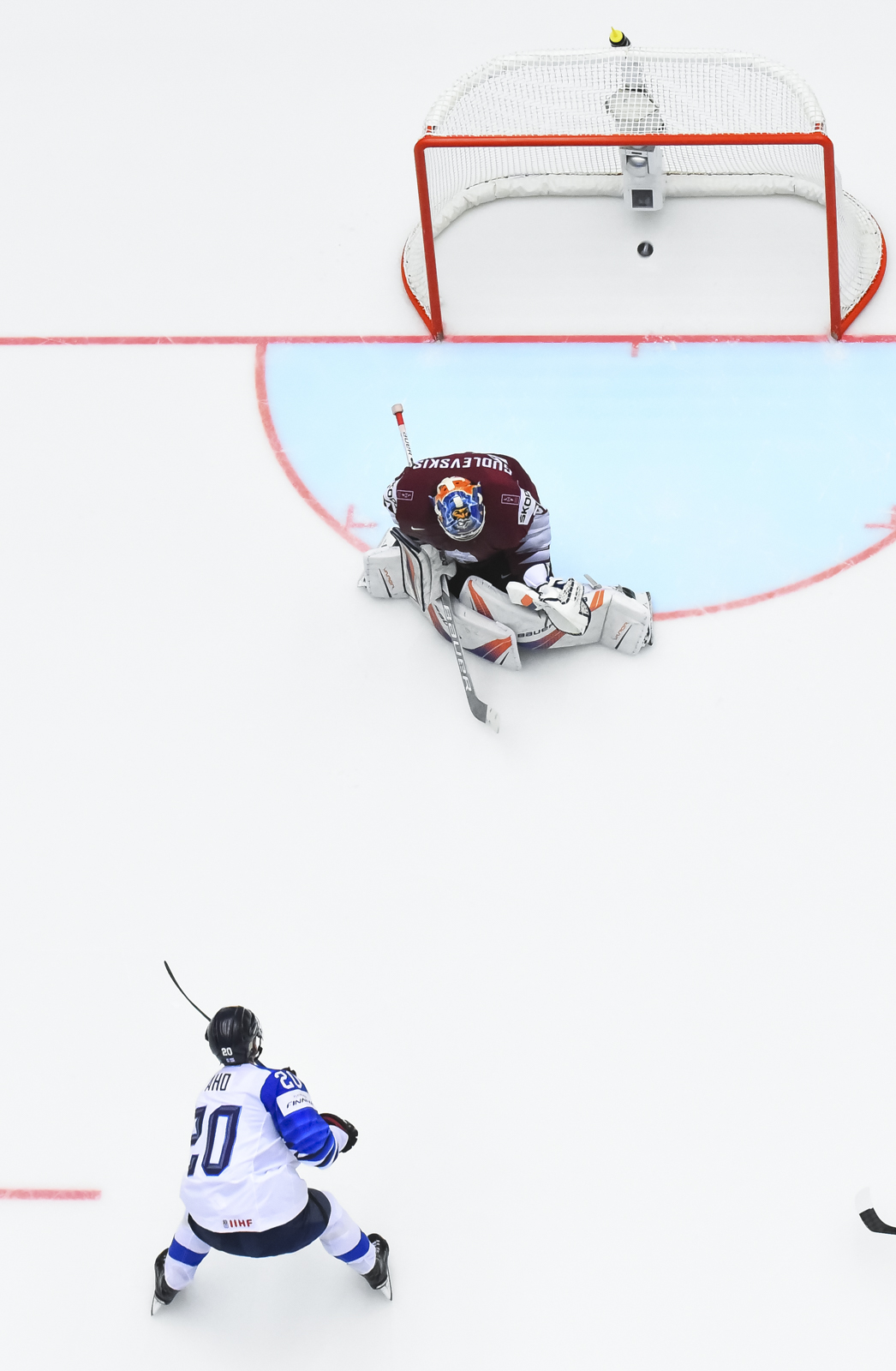 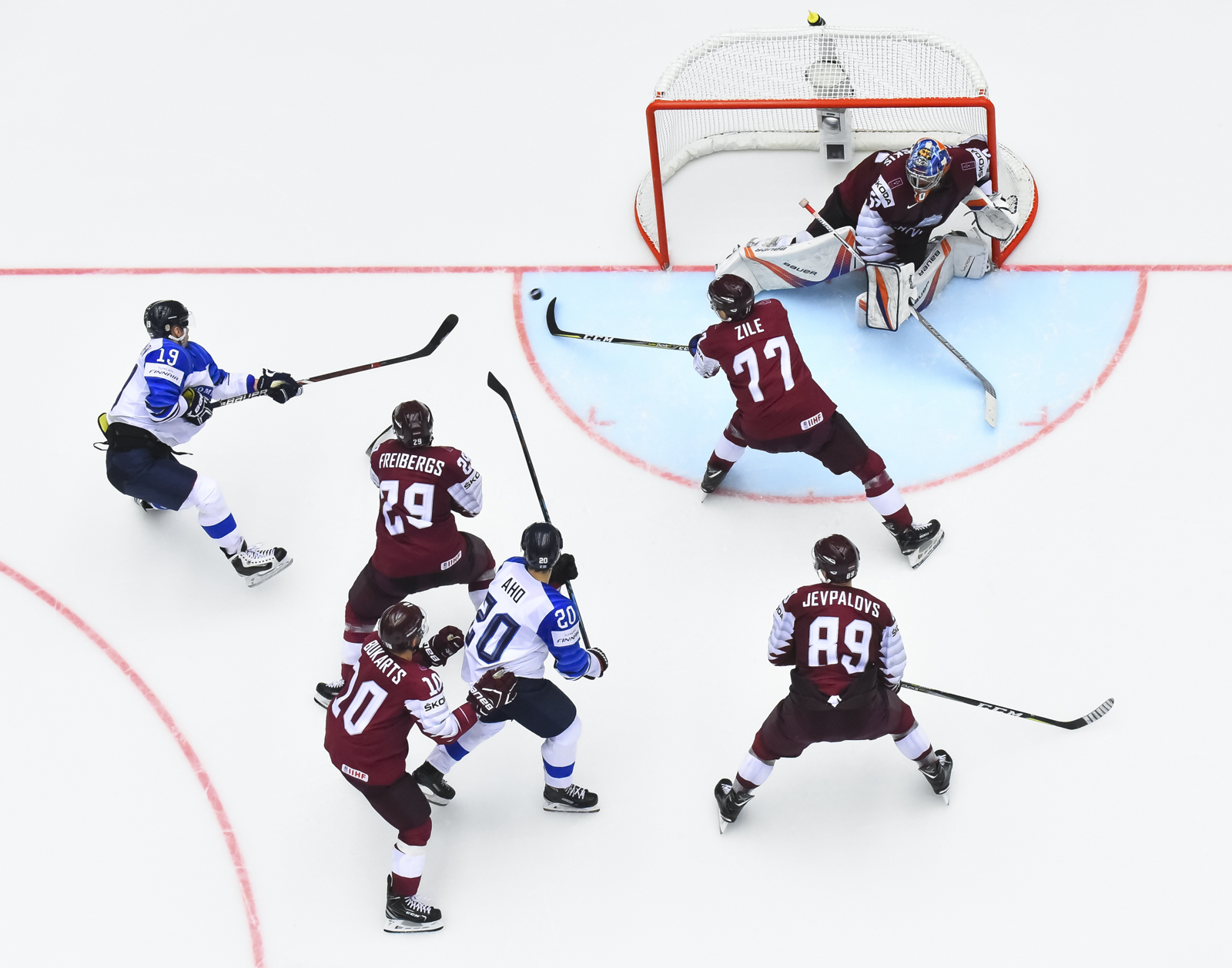 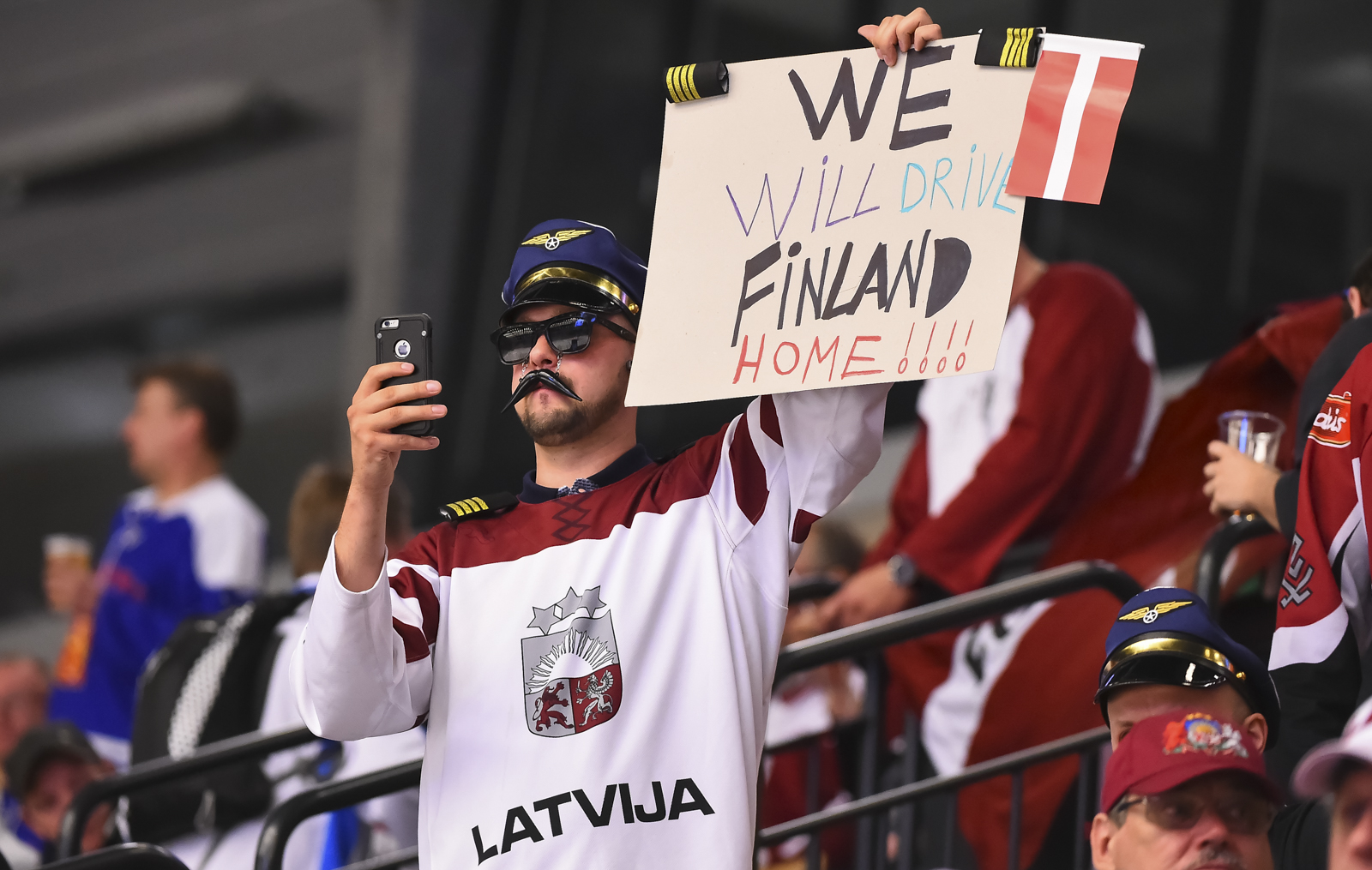 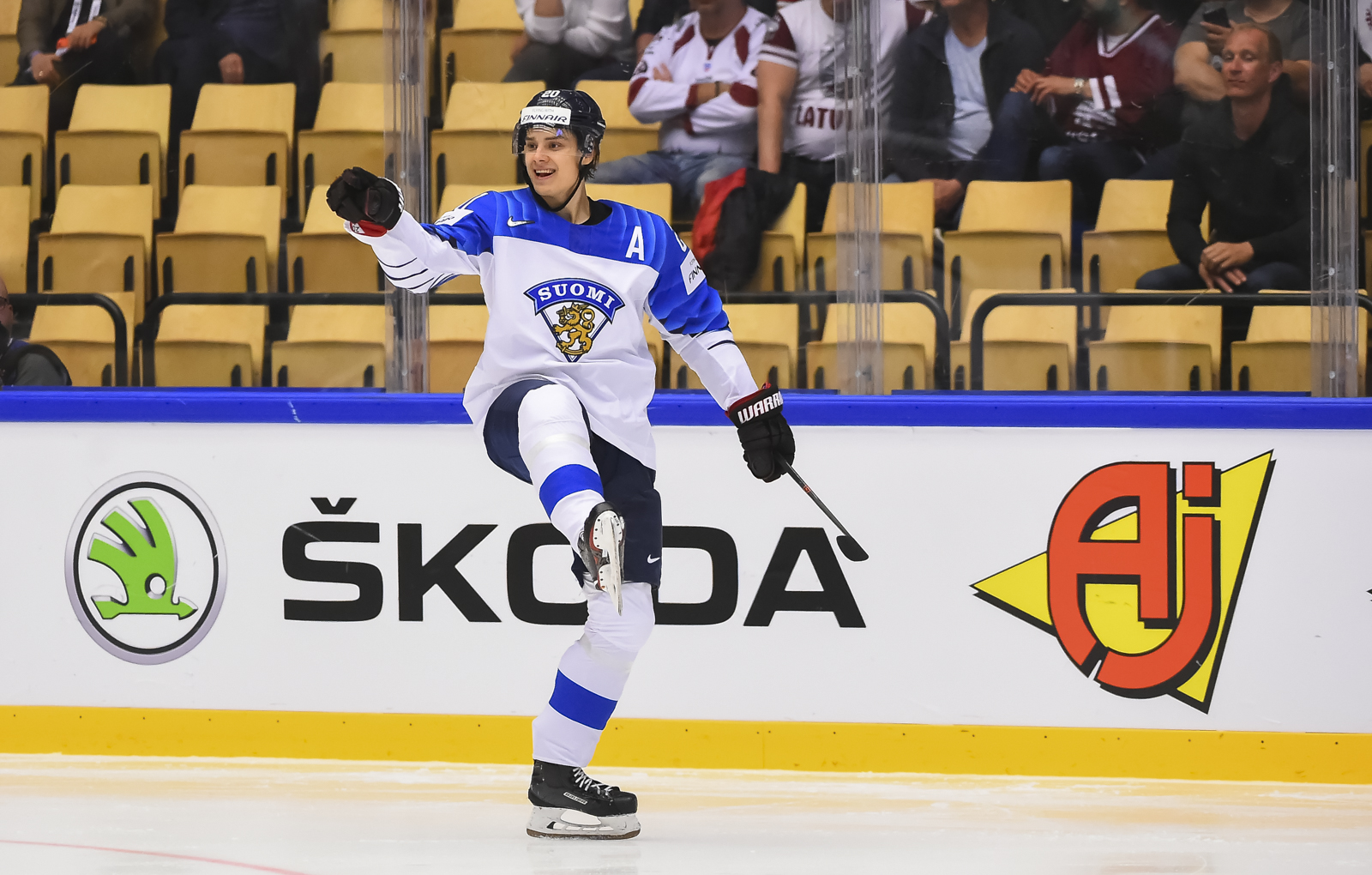 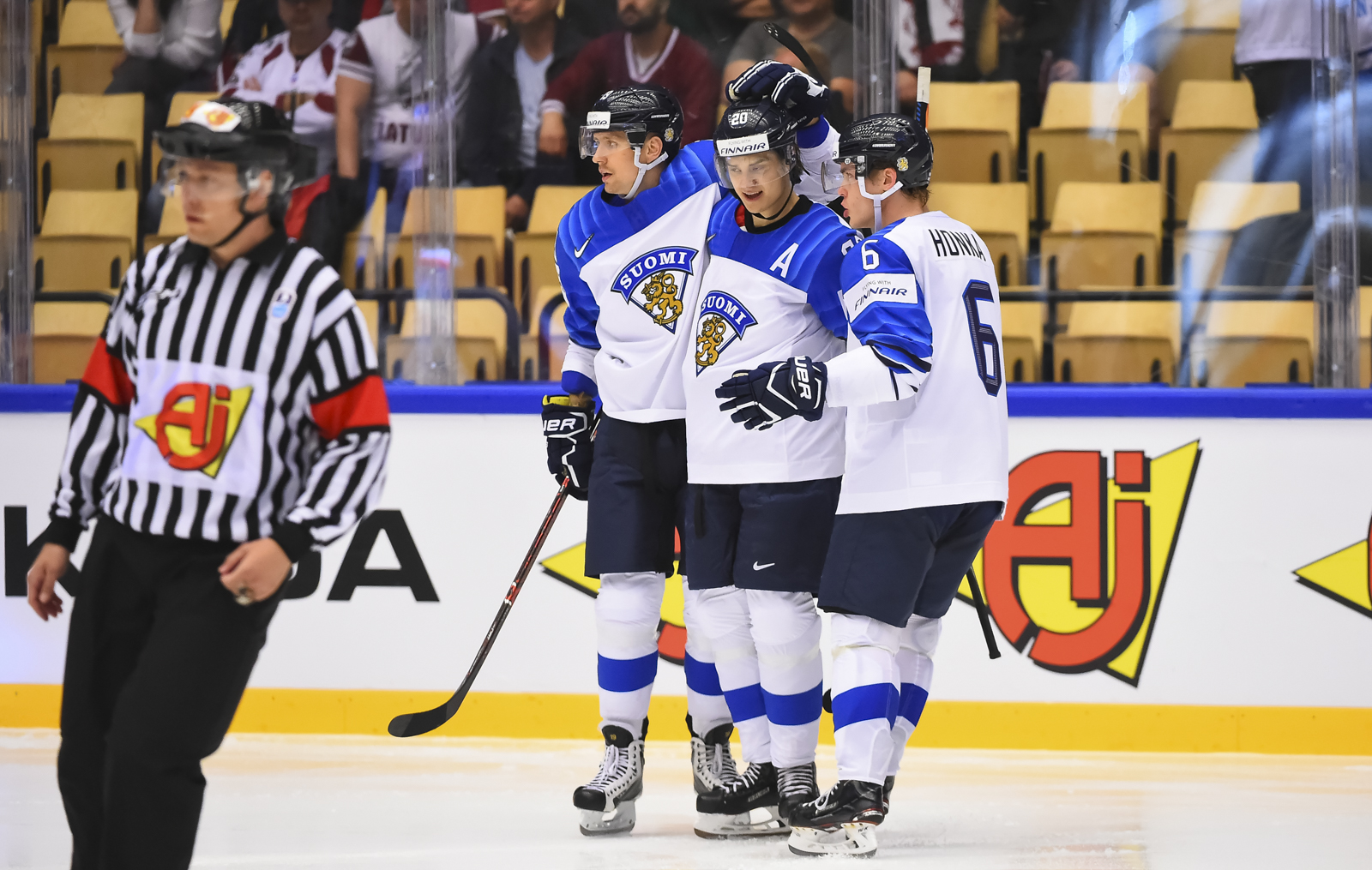 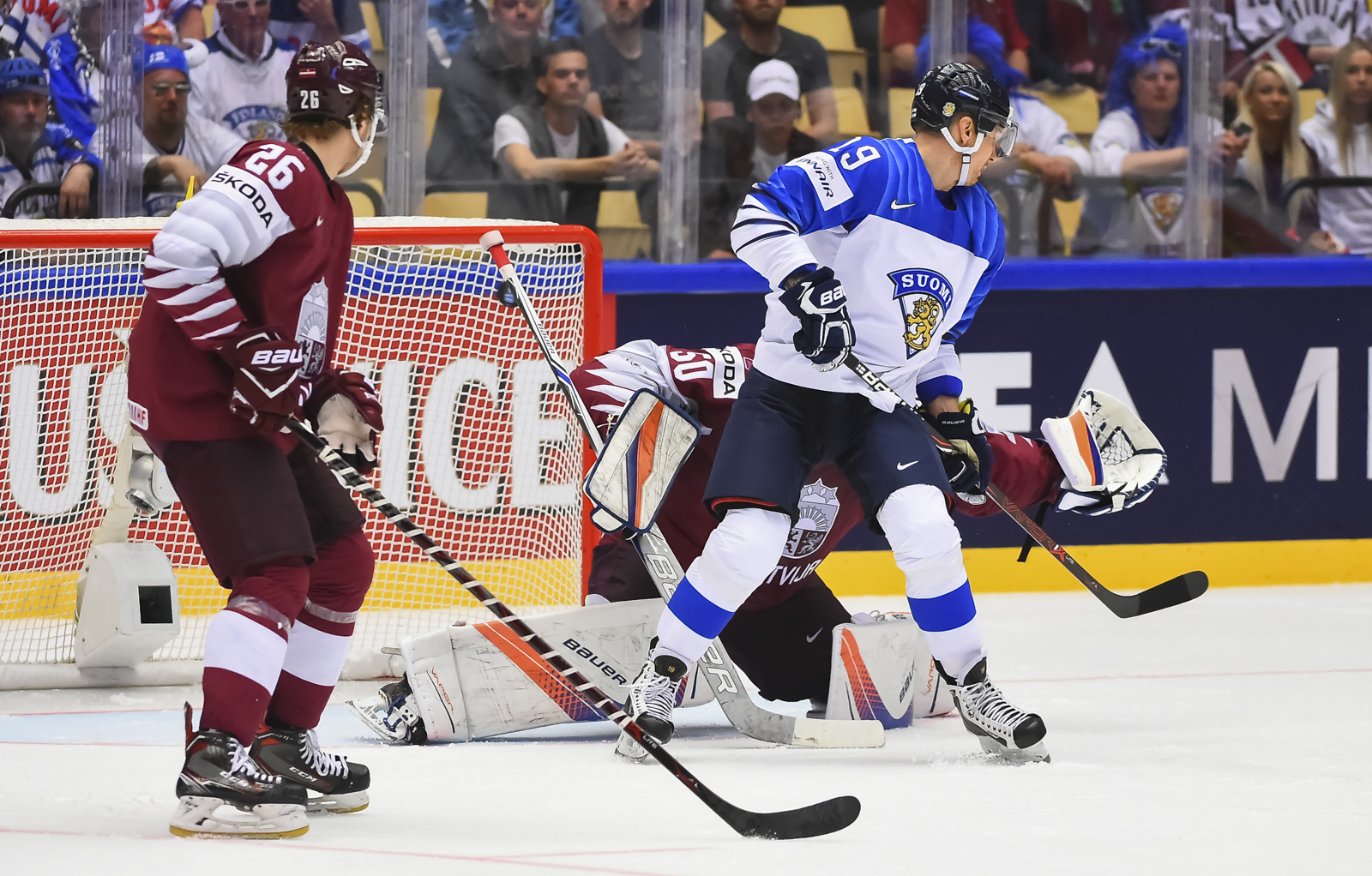 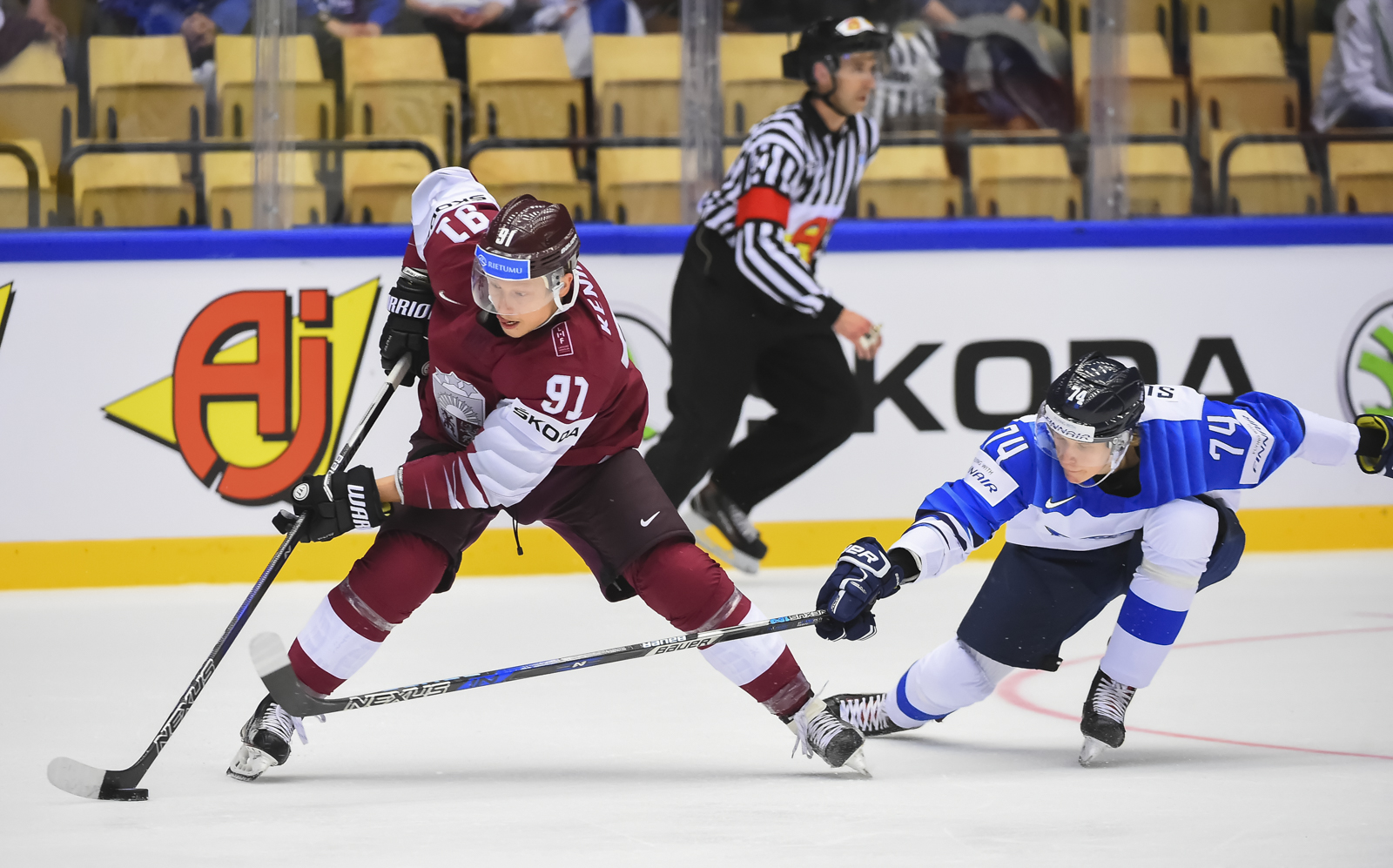 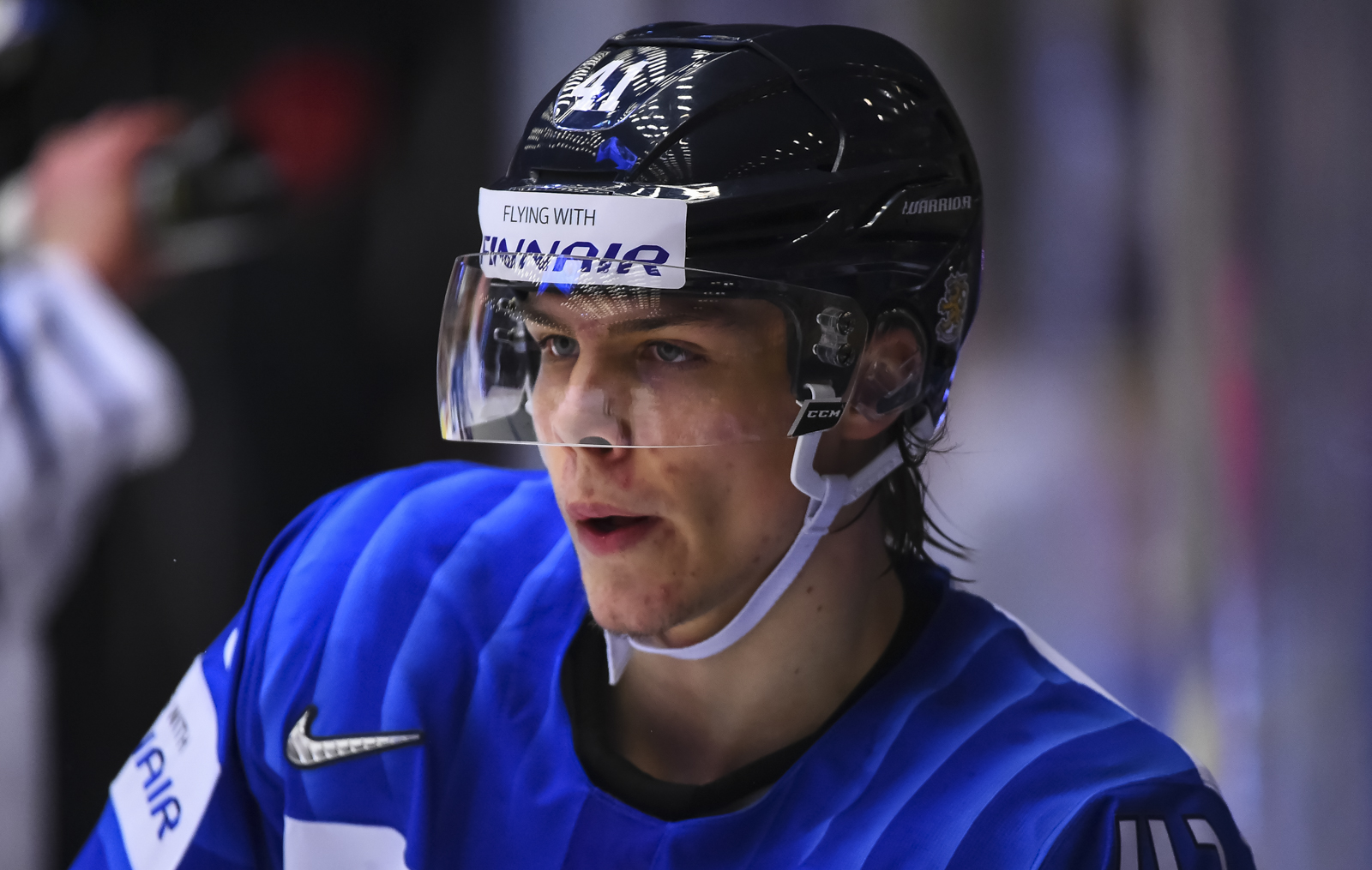 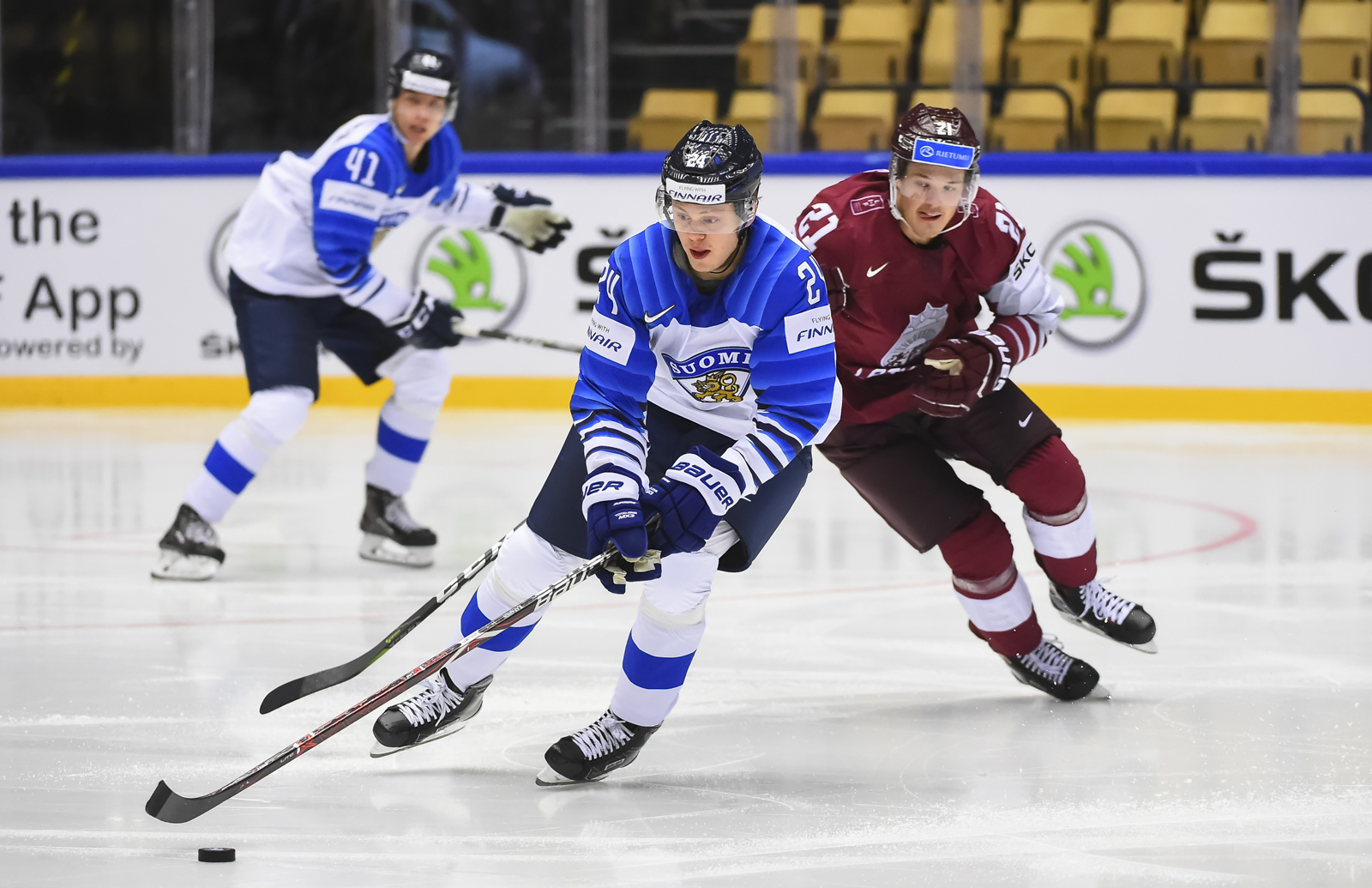 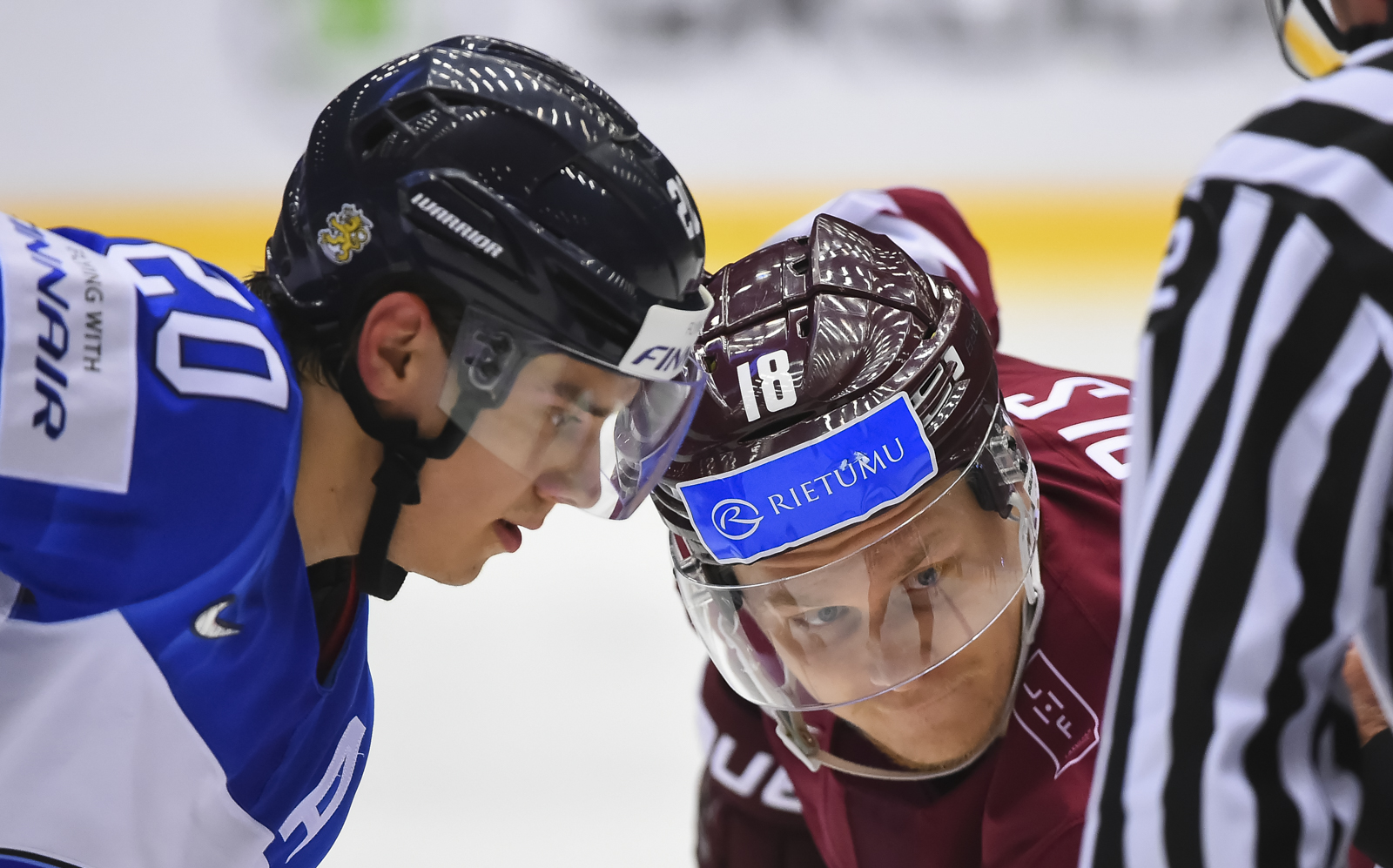 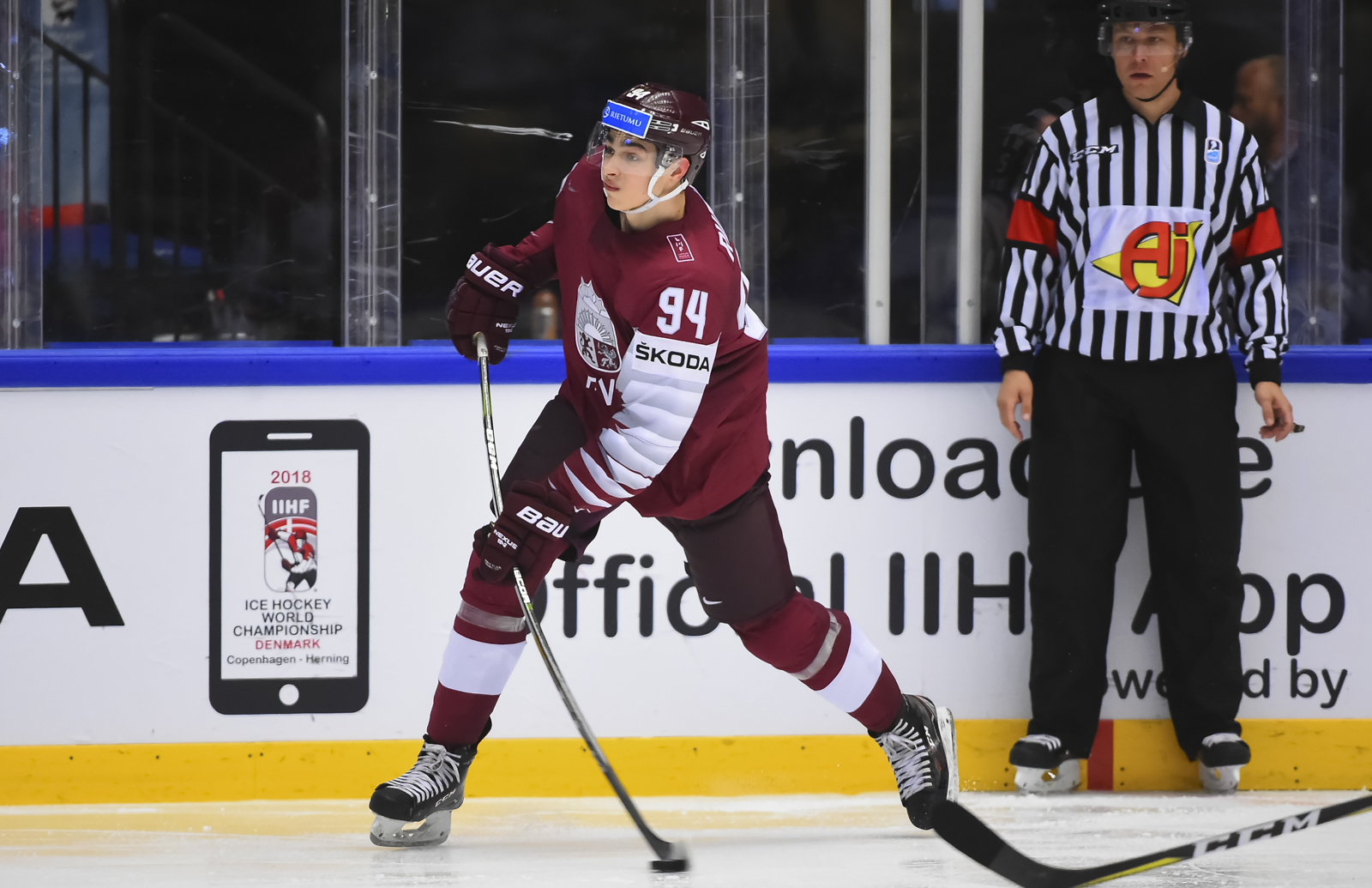 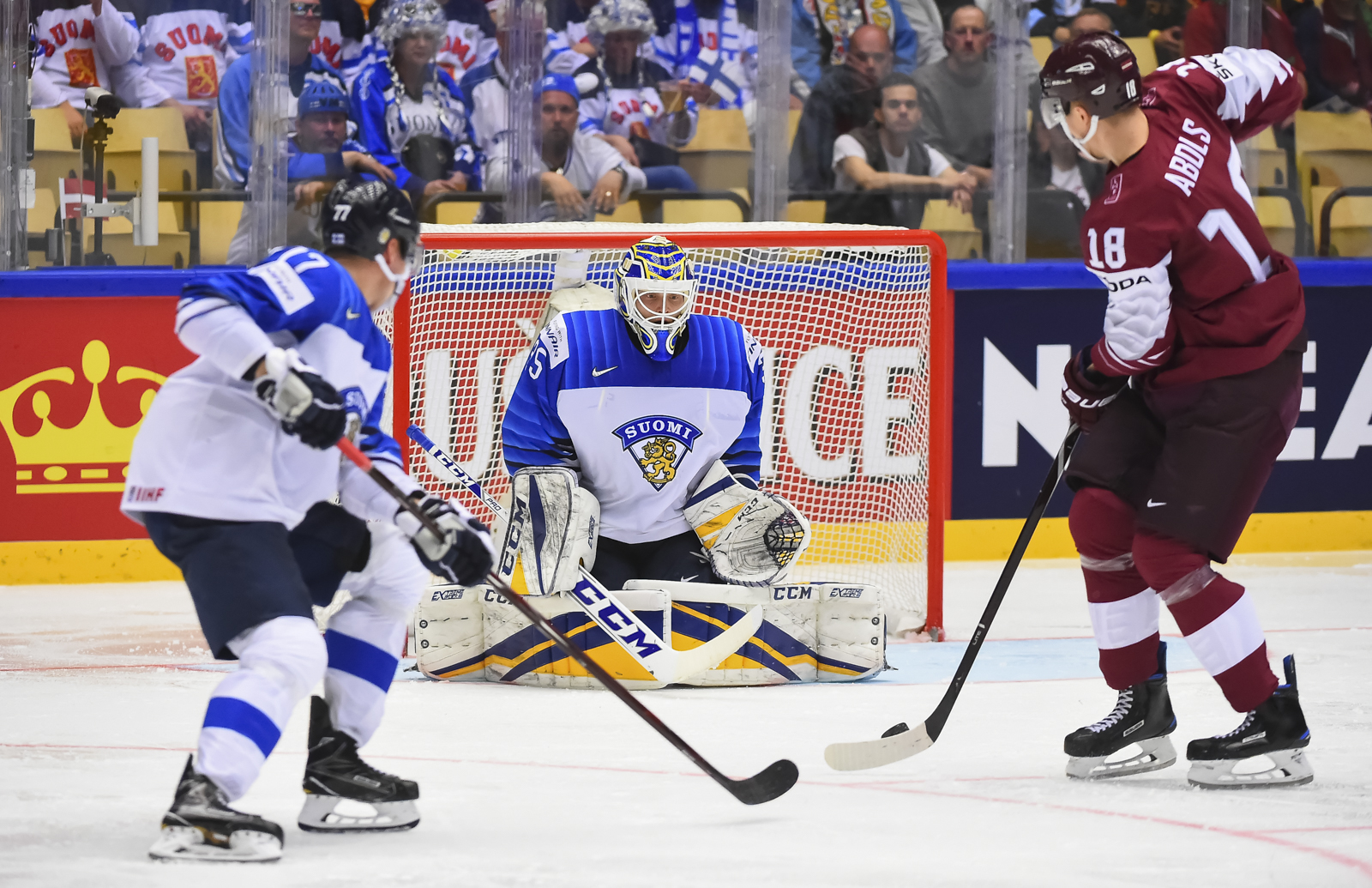 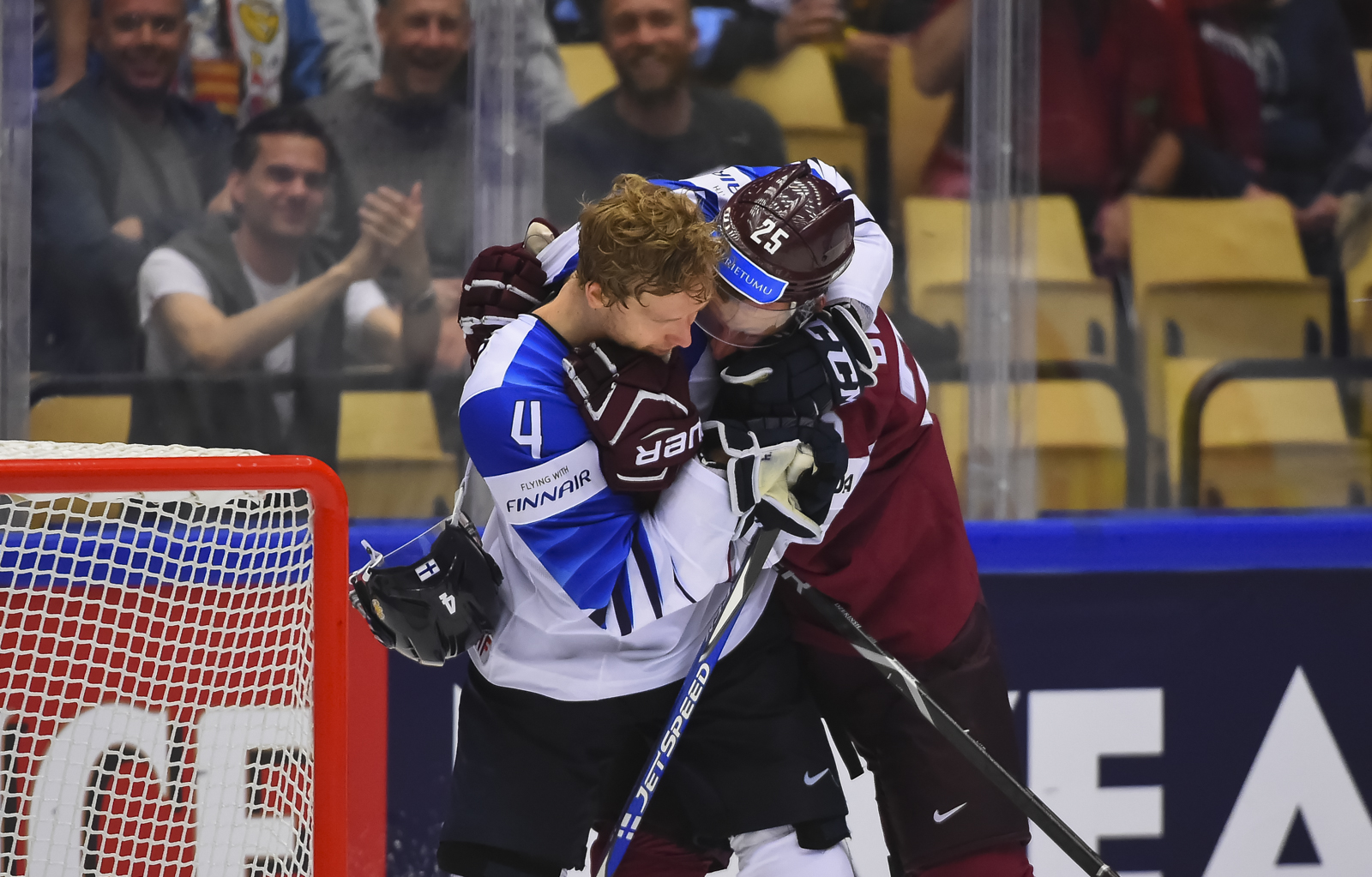 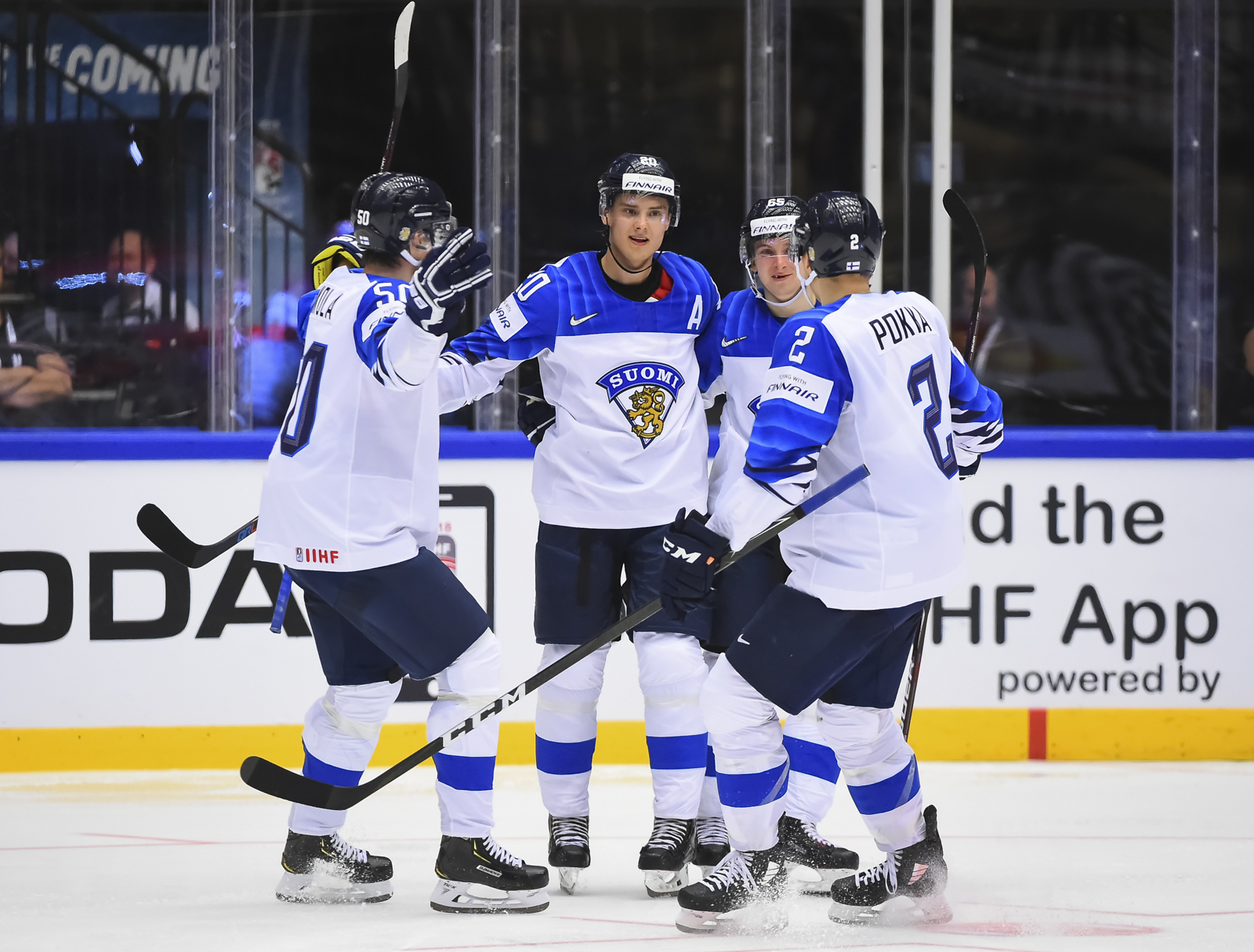 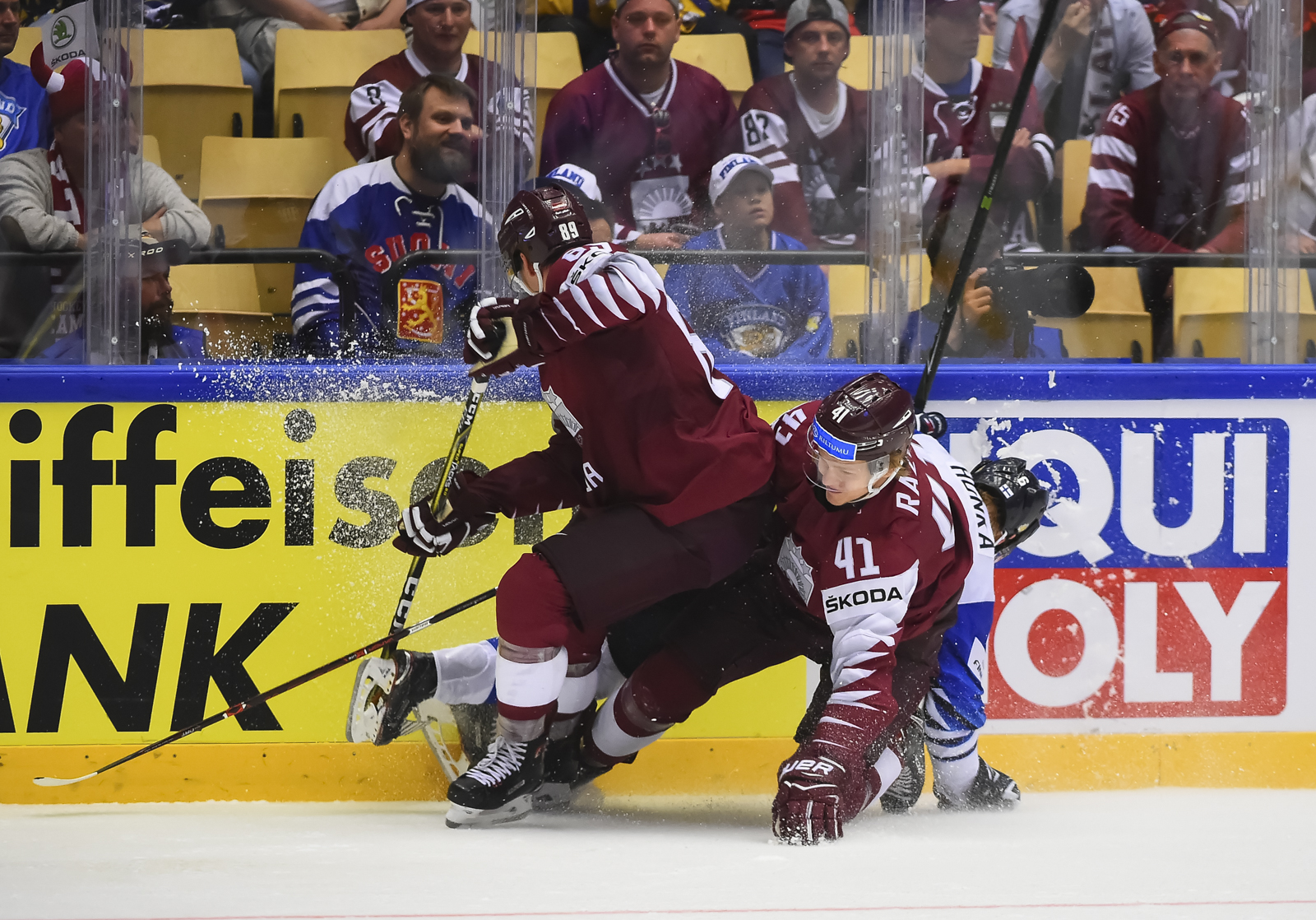 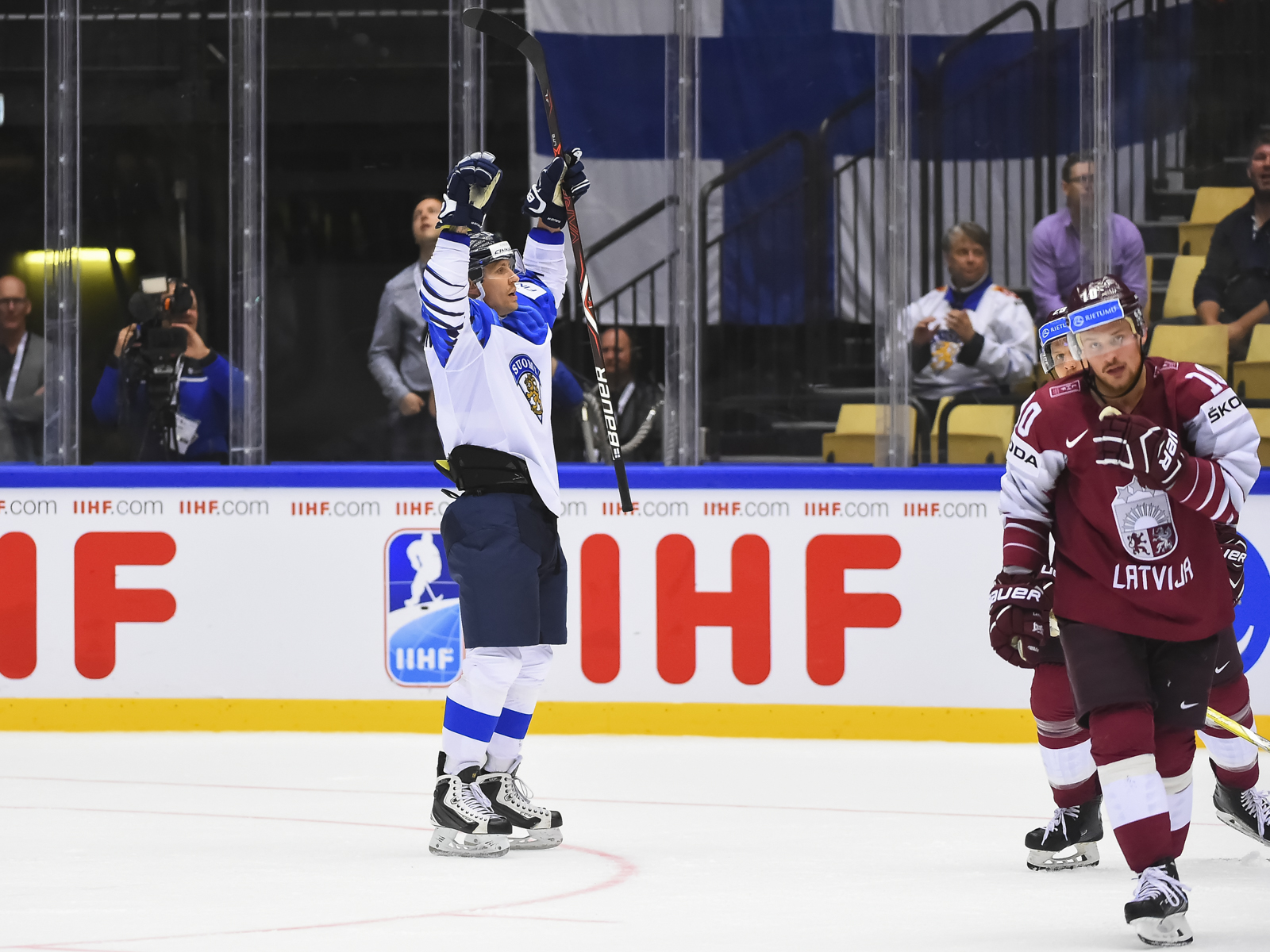 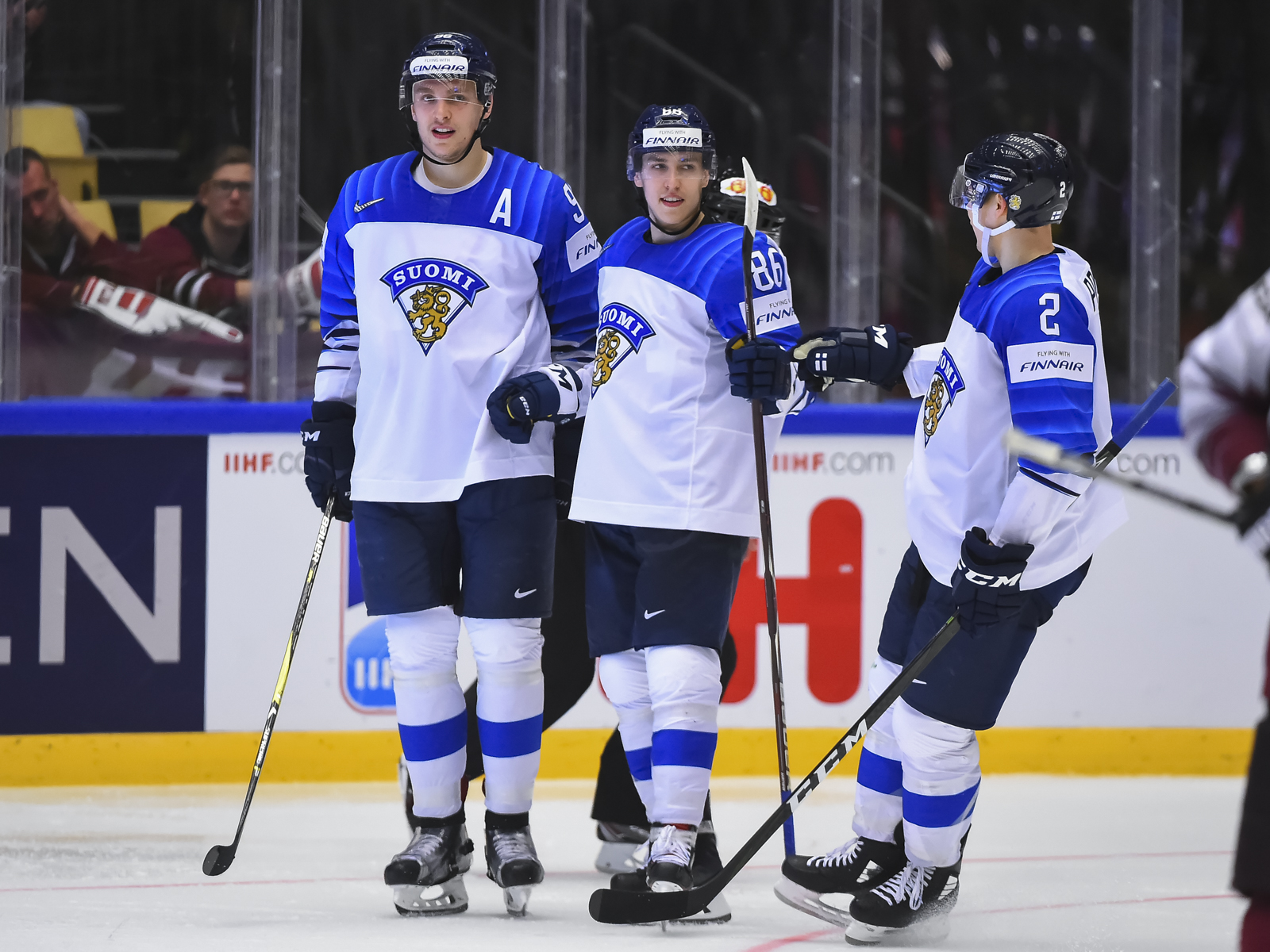 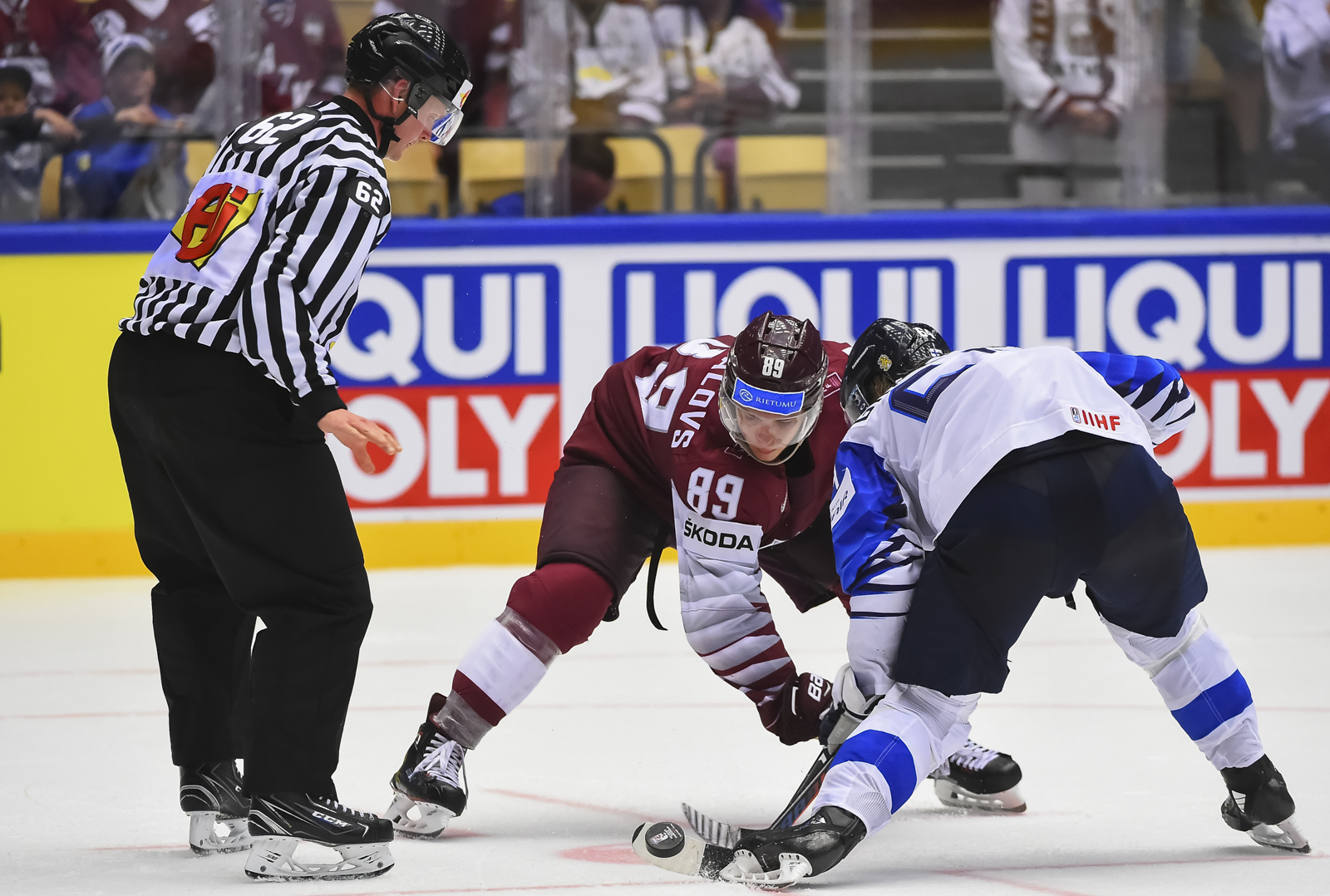 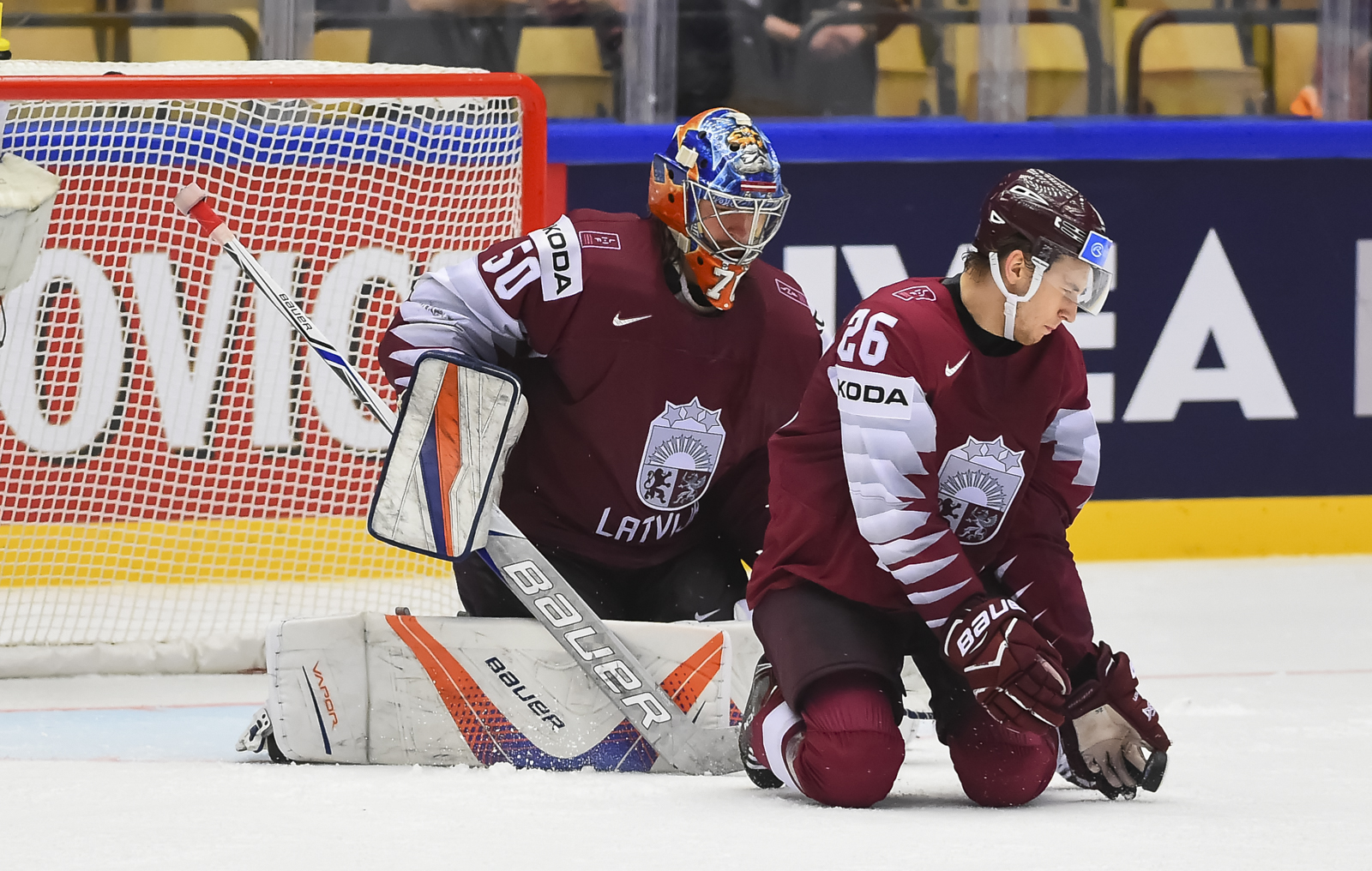 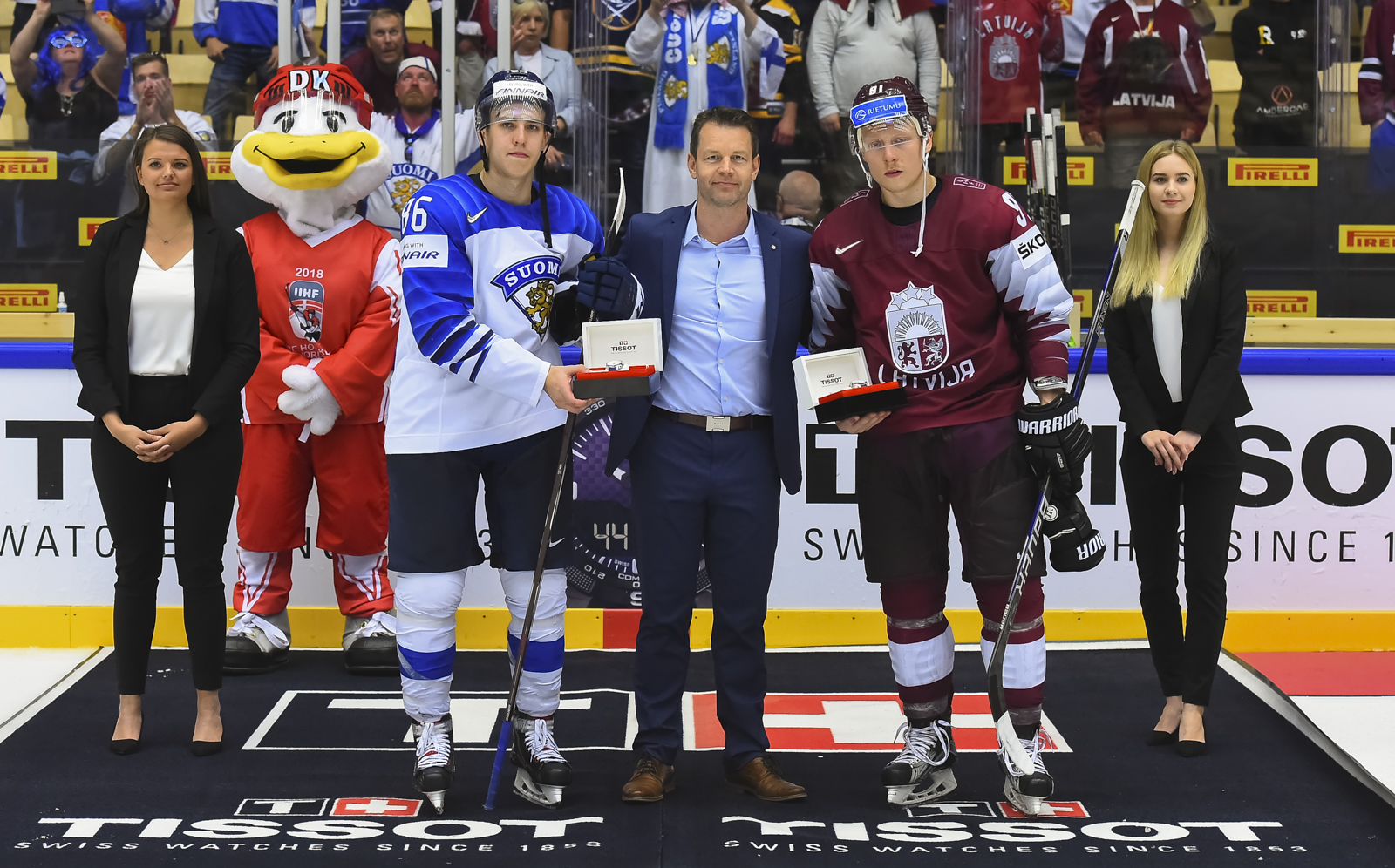 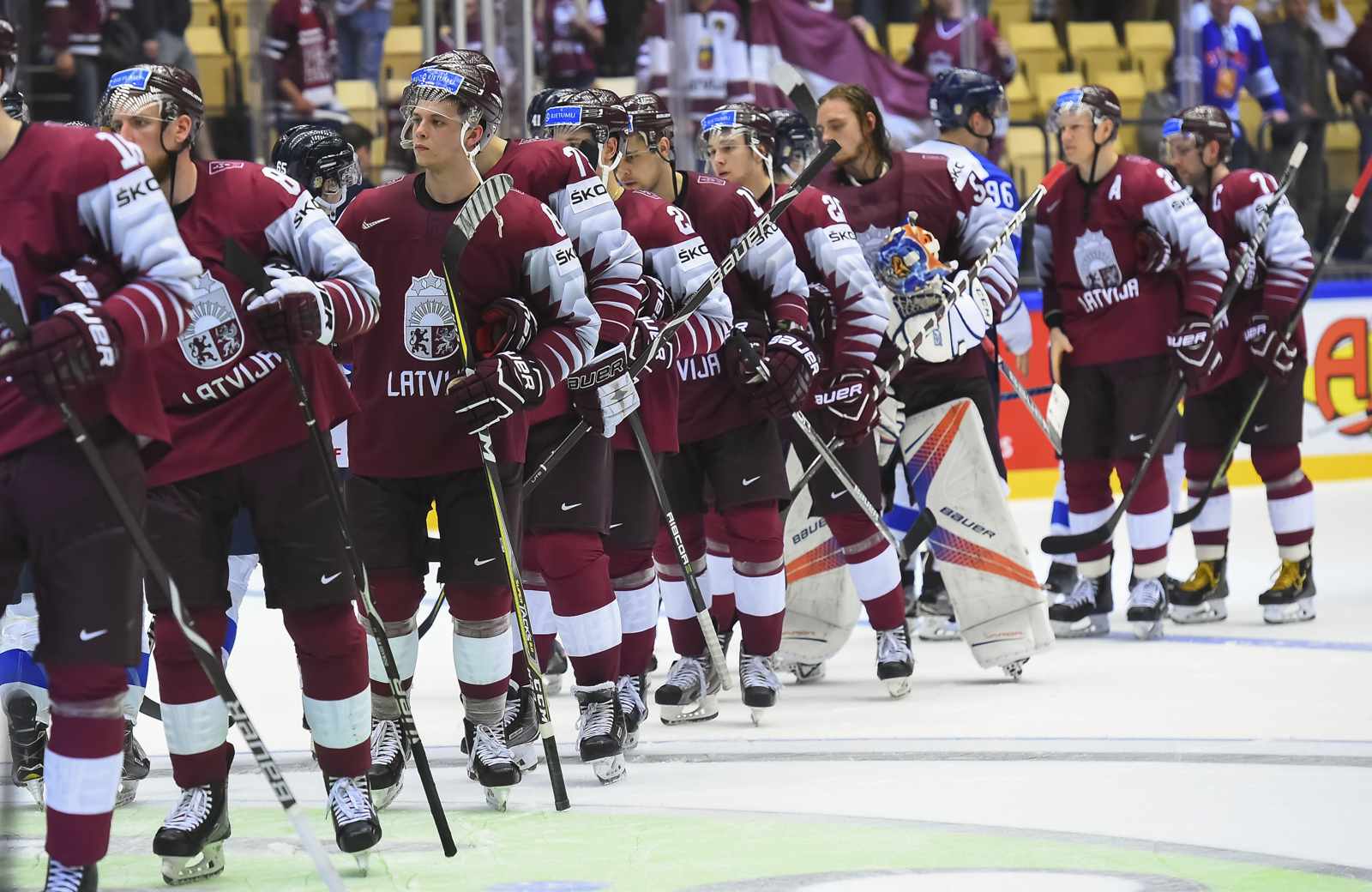 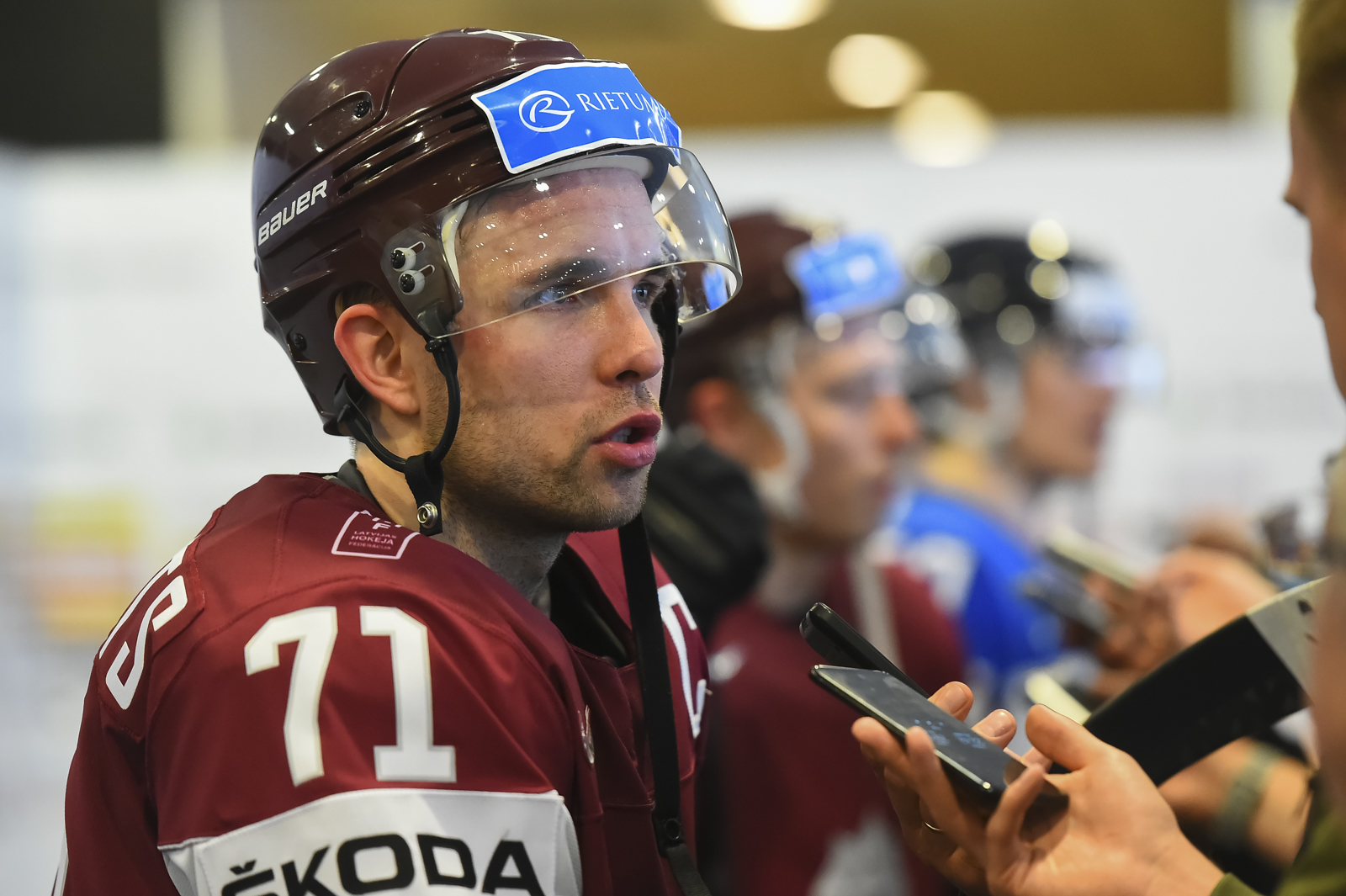 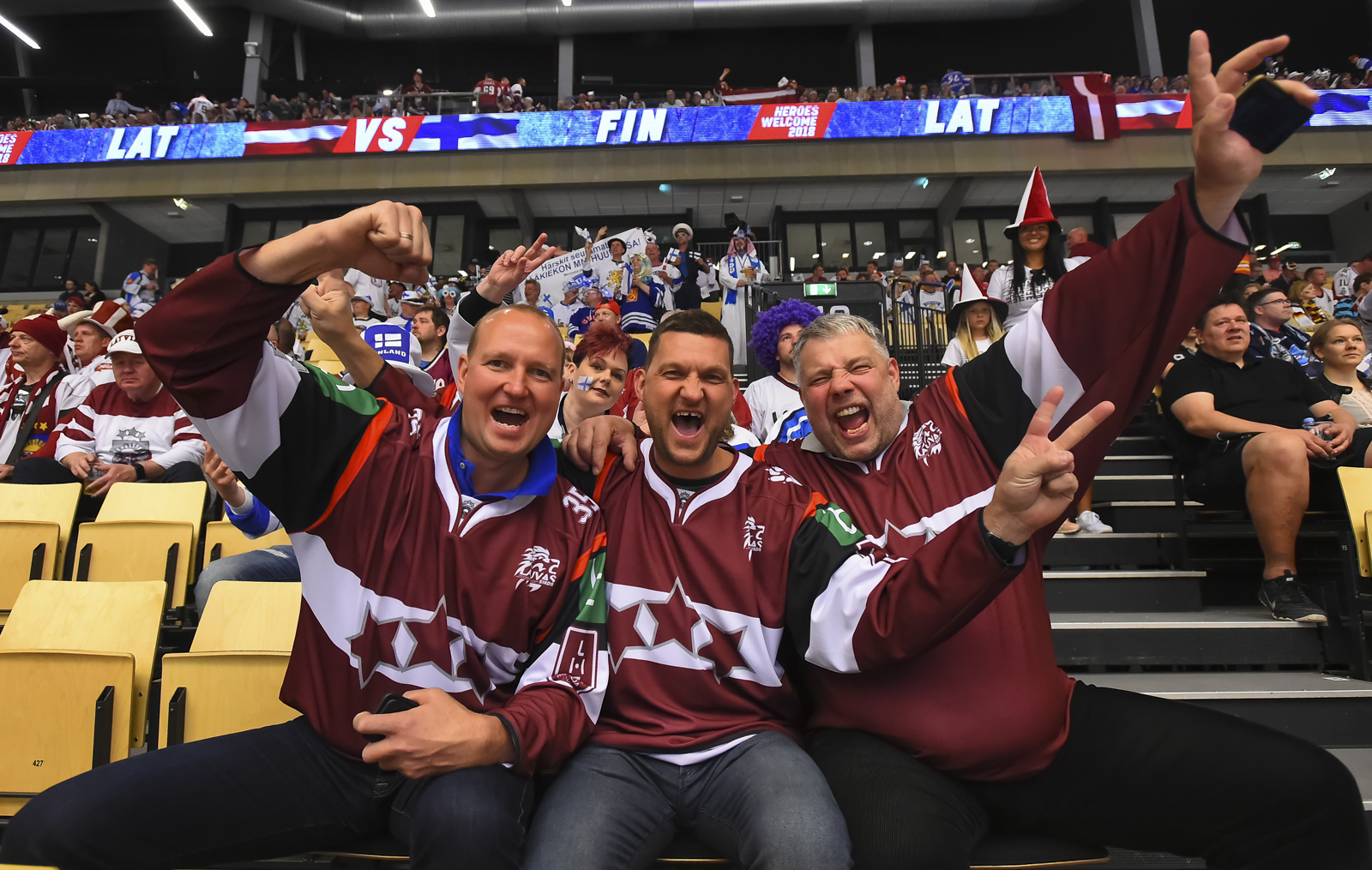 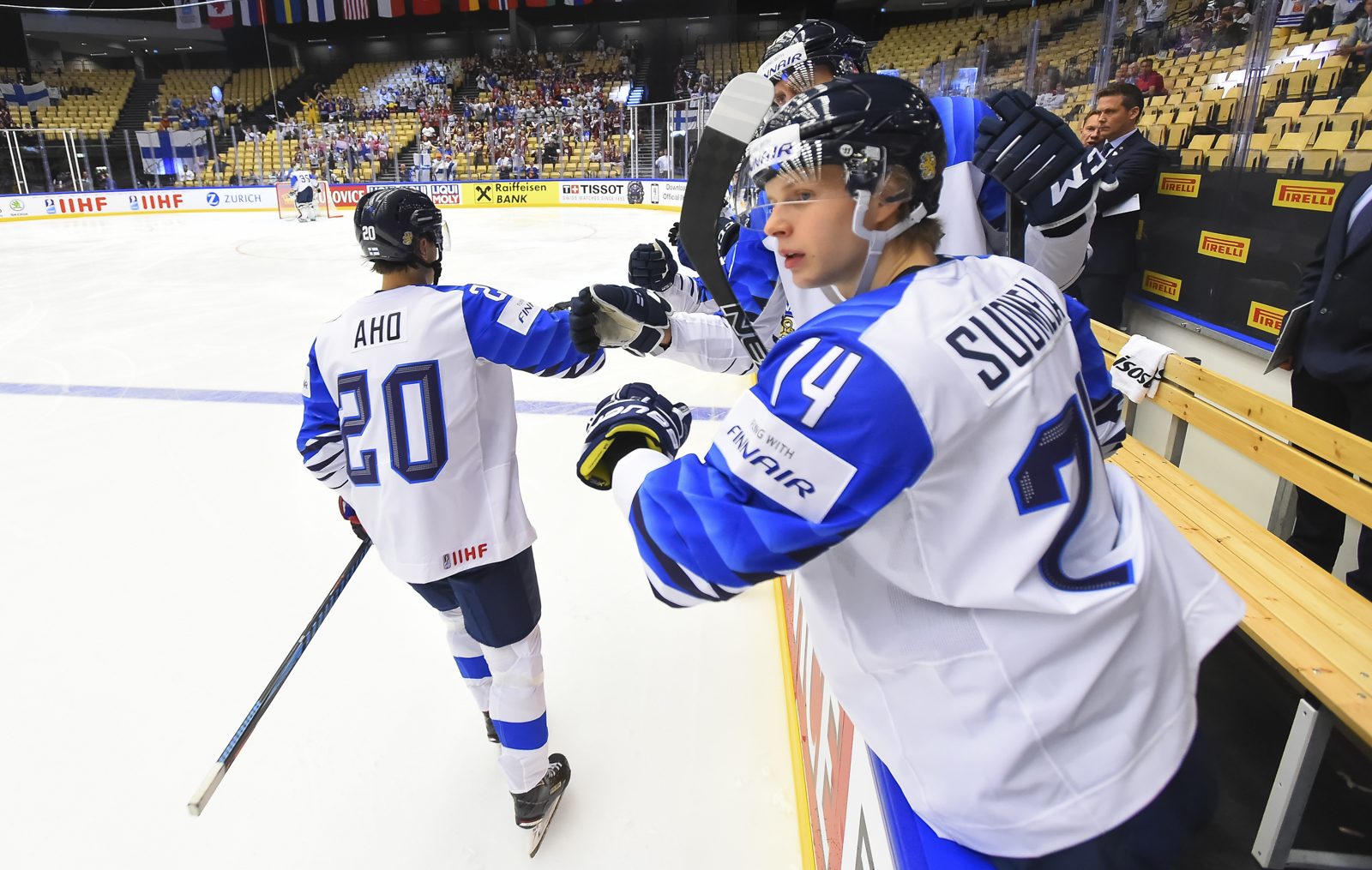 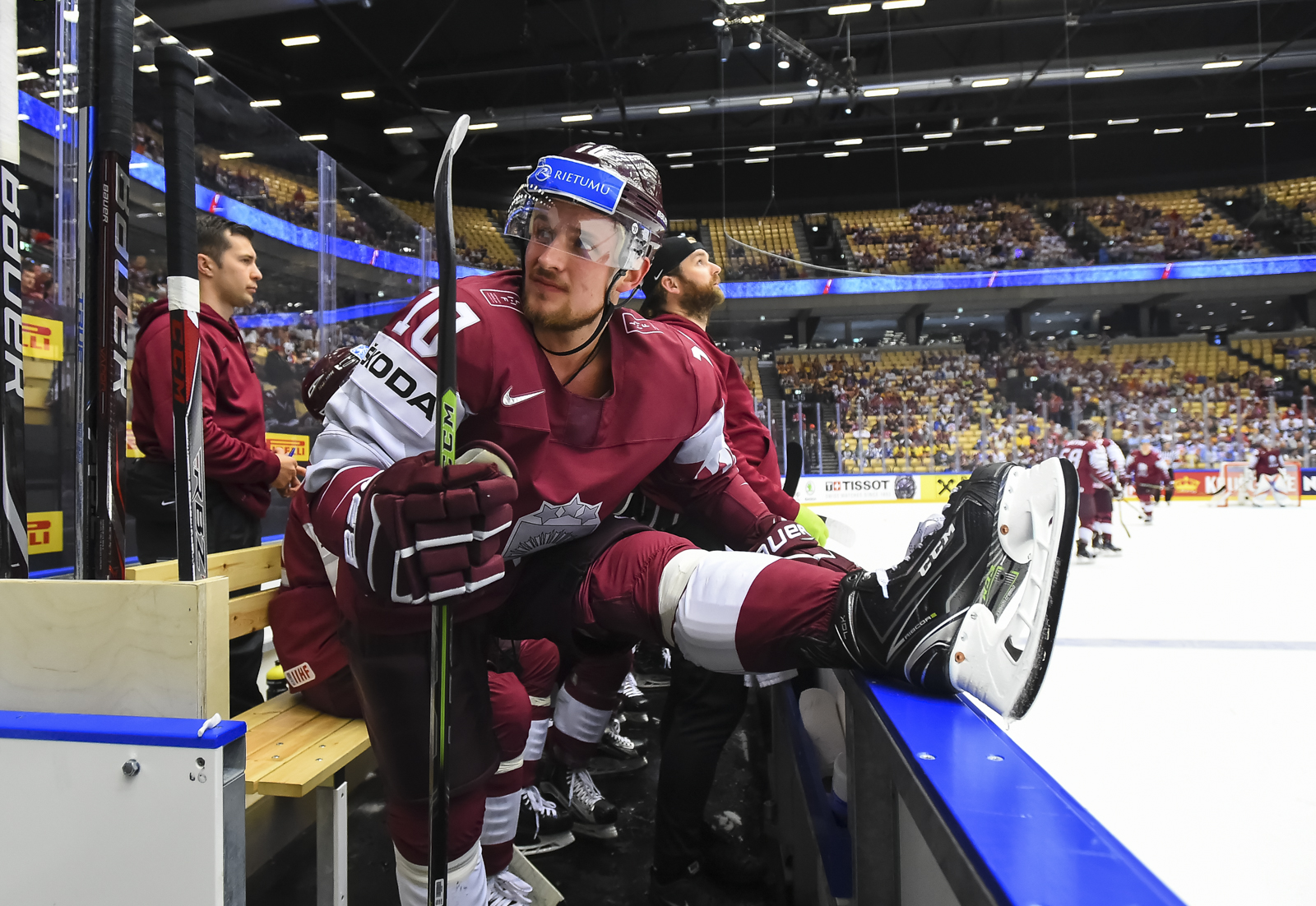 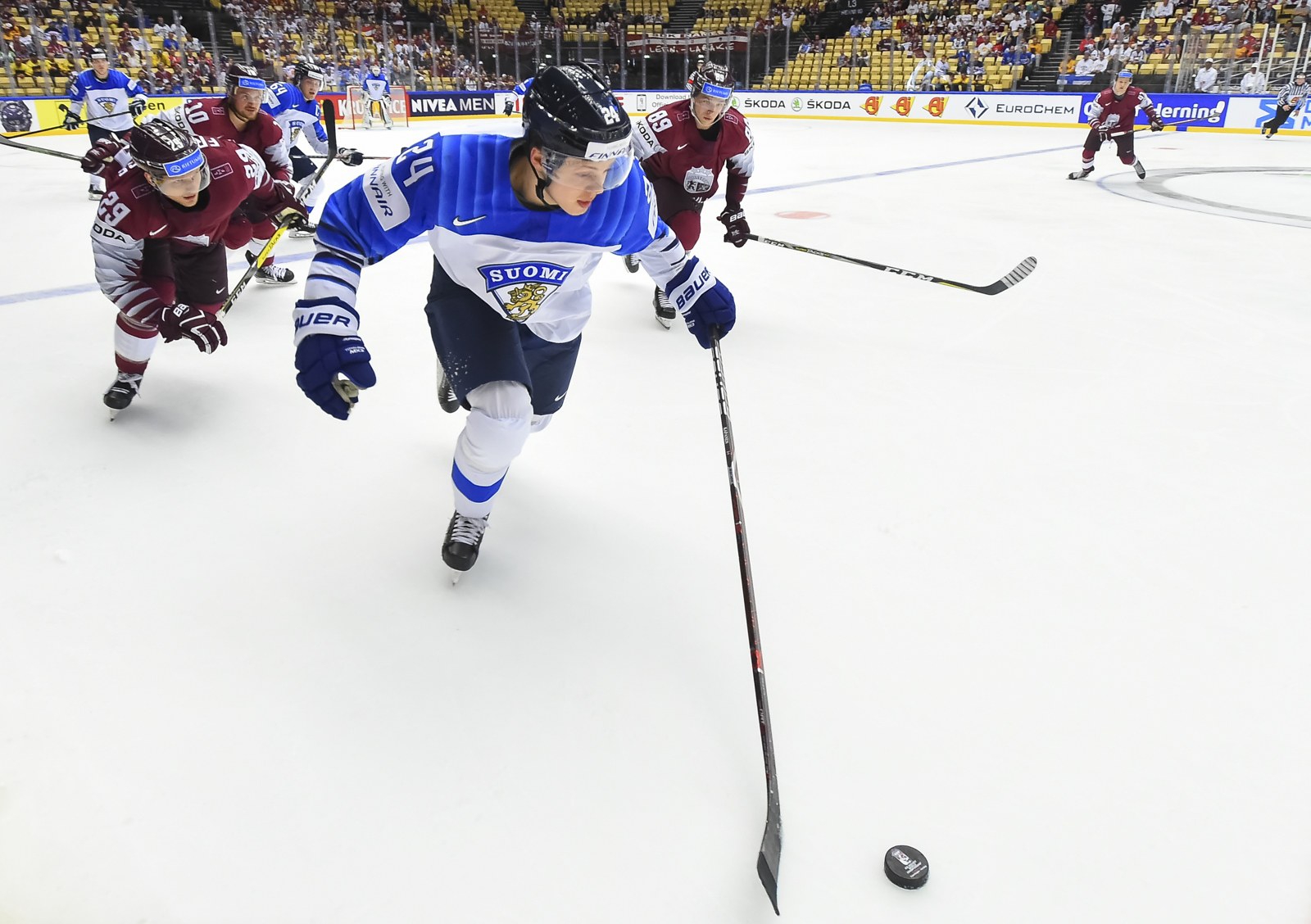 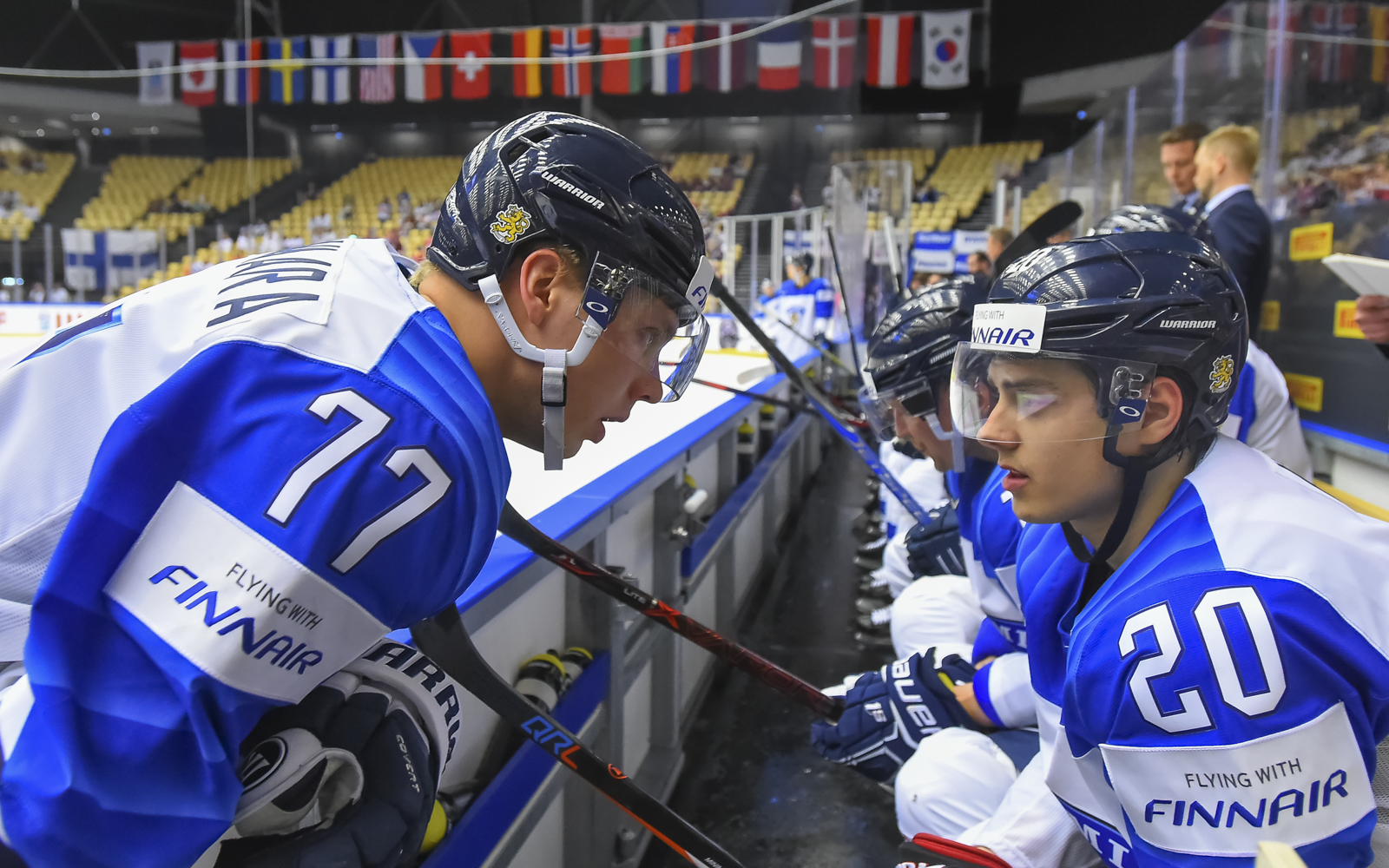 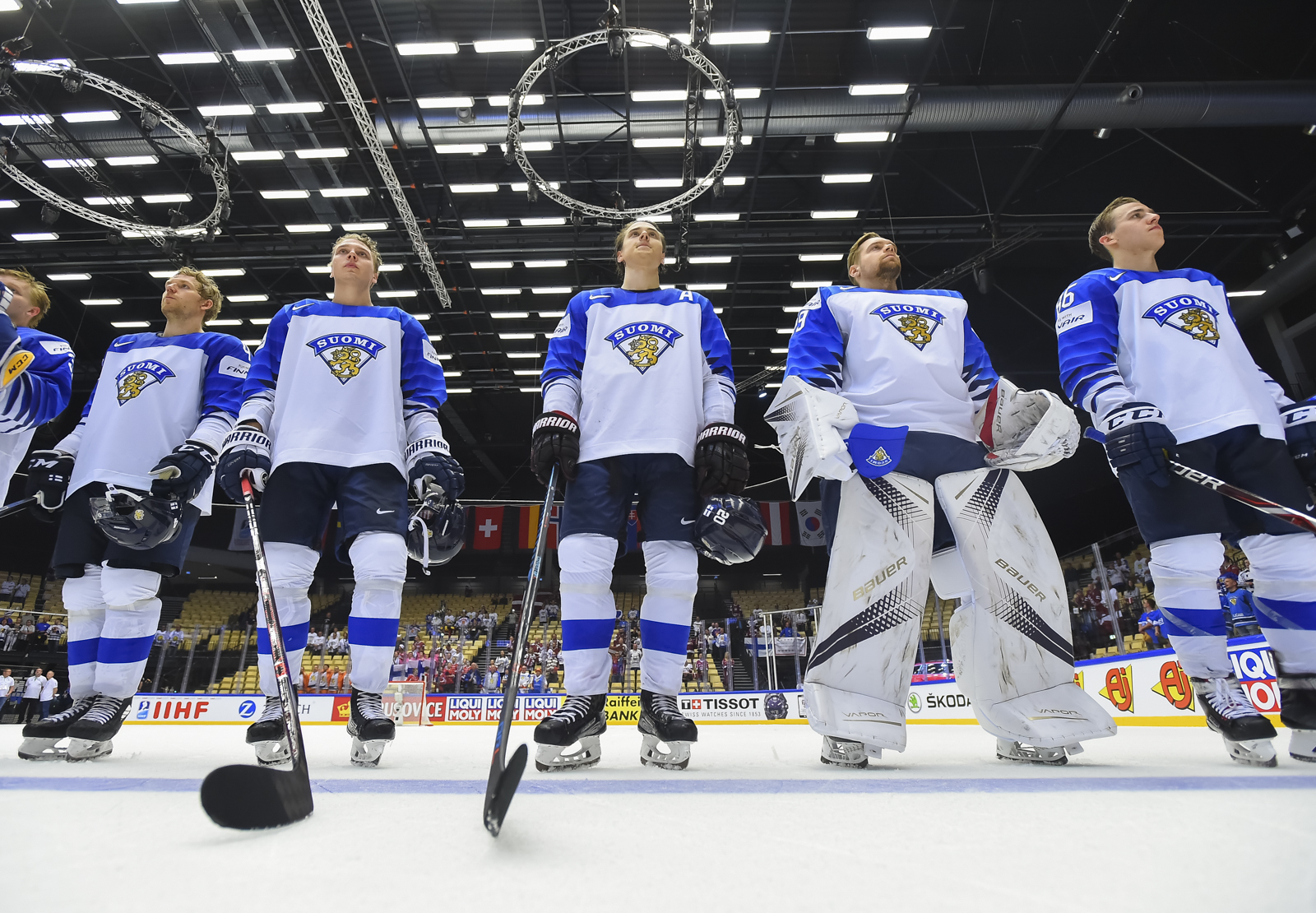