The Swiss are famous watchmakers, but it was Canada’s offence that kept on ticking in a 7-4 victory on Friday afternoon. The Canadians squandered a three-goal first-period lead, but their hot third period doomed Switzerland's aspirations.

"We just finalized our roster and the team's starting to come together," said Canada's Dylan Cozens. "We've won all our games so far, so we're on a good note and we hope to just continue that into the rest of the preliminary round and the medal round."

Despite posting two straight wins to top Group A, there is, of course, some room for head coach Brett Gibson's team to tighten up defensively.

If you believe that "a three-goal lead is the worst lead in hockey," the first two days in Umea have provided ample evidence. The Canadians, seeking their fourth gold medal in tournament history, had to rally to beat defending champion Finland 5-3 after trailing 3-0.

"We got up pretty quick, and then we thought it was just going to be an easy win for us," Cozens said of the Swiss. "But they battled back really hard and they played a really good game against us. We know that going forward, no game's going to be easy and every team is going to battle hard."

Elvis Schlaepfer scored twice and added an assist for Switzerland. Denys Rubanik and Joel Salzgeber also tallied. The Swiss are looking to improve on last year's ninth-place finish. They've only won one medal in U18 history (silver in 2001).

Of his two-goal outing, Schlaepfer said: "For sure it's nice, but in the end, we lost. It's not so nice. When you win, it's nicer! But it's nice for me, and I'm going to keep going."

Canadian goalie Taylor Gauthier got his second win as his teammates outshot Switzerland 60-28. None of these players was alive in the 1980's, but the game was, at times, as loosey-goosey as Wayne Gretzky's hallowed heyday.

"If we get 60 shots on net, some are going to go in," Cozens said. "We've just got to keep focusing on that and getting pucks on net, funneling everything to the net."

World Men U18
Canada vs. Switzerland - 2019 IIHF Ice Hockey U18 World Championship
The Canadians squandered a three-goal first-period lead, but their hot third period doomed Switzerland's aspirations in a 7-4 win.
CAN SUI 19 APR 2019

It took just 3:40 for Canada’s offence to get rolling. The trio of Tracey, Rees and Zary was effective in keying the win over Finland, and they clicked again. Rees got the puck to Tracey in the corner, and he stickhandled out front before dishing it cross-crease to Zary for a in-close finish. Zary, 17, is coming off a 67-point campaign with the WHL’s Kamloops Blazers.

Zary then returned the favor by playing set-up man. He fed Tracey from behind the net, and the Moose Jaw Warriors sniper went five-hole on Swiss goalie Andri Henauer for a 2-0 lead at 7:04.

"I just think from the start, we've been gelling," Zary said of Tracey. "We're roommates here. We've had a good time coming to Sweden. It's pretty easy to come out with a guy you've been staying with. You've come to know him really well. We play in the same league [the WHL] against each other in the regular season. Coming here, it was instant chemistry."

Canada made it 3-0 at 10:19. As the Swiss struggled with their breakout, a forechecking Philip Tomasino picked it up behind the net, and he found Harley in the right faceoff circle. Harley beat the Swiss netminder with a great shot high to the short side.

But then things got interesting.

In the middle frame, coach Thierry Paterlini's boys finally got on the board. Moments after Henauer denied Holloway on a breakaway, Schlaepfer got on his horse in the neutral zone, carried the puck into the left faceoff circle, and zapped the 3-1 marker home on the short side at 2:57.

The cow bells were ringing as Schlaepfer struck again at 9:42, this time on the power play. The Swiss showed their speed to good advantage. Defenceman Noah Delemont found Jeremy Zuercher with a long pass on the left side, and Zuercher sent it cross-ice for Schlaepfer's backhanded conversion. Schlaepfer just potted 32 points in 44 games in his first year with Biel-Bienne's elite Junior A U20 team.

Under Swiss pressure, Gauthier struggled with rebound control, and the puck came out to Rubanik, who scored through traffic to make it 3-3 at 16:02.

"I think that's big for our team," said Schlaepfer. "I think when we are behind 3-0, the atmosphere was a little bit down. But we stood up and reacted against great Canada."

At 18:23, Krebs, the Canadian captain, made it 4-3, tipping Jamie Drysdale's long shot from the line. Still, the Swiss had to be happy with the score after 40 minutes despite being outshot 23-12 in the frame.

"It was a little wake-up call for us in the second period there," Krebs said. "But I know the character in our room. Our coaching staff leaned on us to get it back. We rallied as a group and came back nicely."

The third period brought more fireworks. A four-minute minor to Switzerland's Yves Stoffel proved costly as Tracey scored his fourth of the tournament on a rebound  at 5:38.

Salzgeber brought Switzerland within one when Gauthier got caught out of the net and the Swiss forward banged the puck into the gaping cage at 8:21.

Cozens made it 6-4 Canada at 9:58, one-timing home Jakob Pelletier's feed from behind the goal line. After Canada controlled puck off a faceoff in the Swiss end, Holloway beat Henauer on the short side for a 7-4 lead with 6:30 left. There would be no upset.

With two wins so far, Gibson is rewarding the faith of the Hockey Canada braintrust, which brought him in from Queen's University in Kingston, Ontario to lead the U18 squad.

"He rewards the guys that are going," Zary said. "He's been a really, really fun coach to play for in these first couple of games. I look forward to hopefully getting a gold medal with him."

This was Canada’s tenth win in 11 meetings with Switzerland. The lone Swiss victory was 3-1 on 13 April, 2010. The Swiss get back at it on Saturday versus the Czechs, while Canada gets a day off before facing Belarus on Sunday.

Of the Czechs, Schlaepfer said: "They lost to Belarus, and I think we have a good chance tomorrow. But they're a good team. I think we've lost against the Czechs three times this year. We have to win tomorrow for the first time."

Canada’s Ryan Suzuki, who was injured versus Finland, sat out, but is expected to return later in this 2019 IIHF Ice Hockey U18 World Championship. 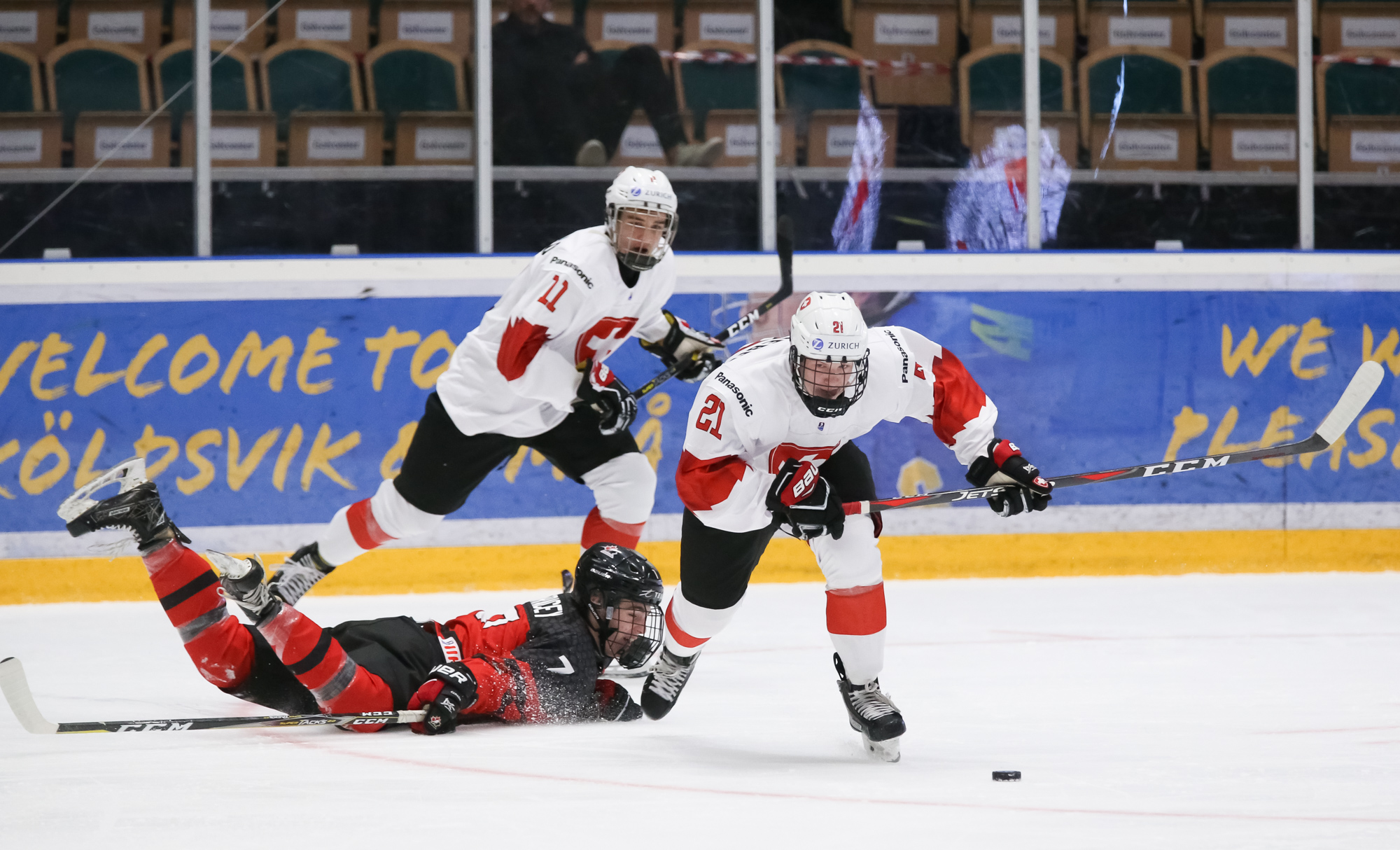 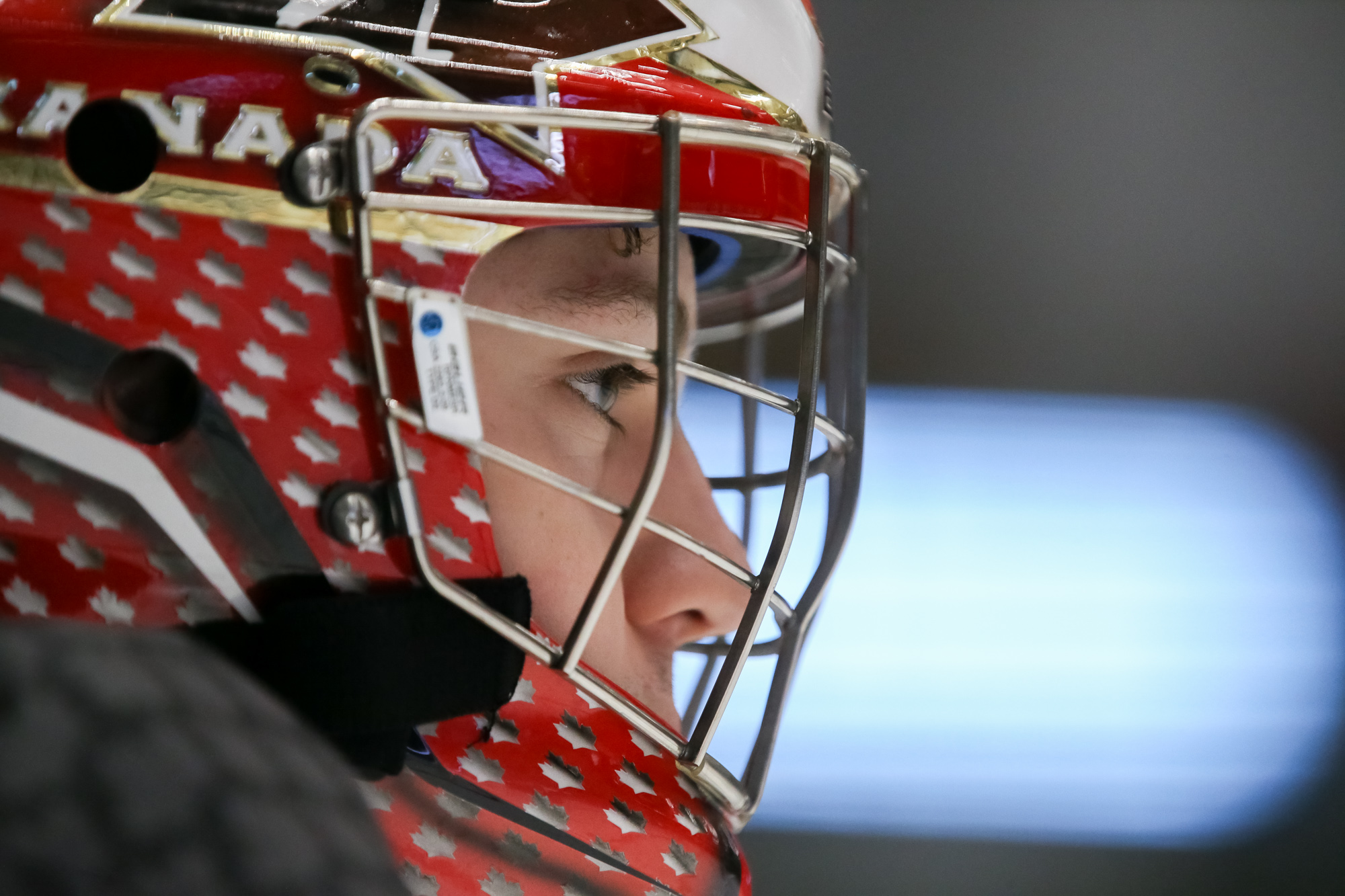 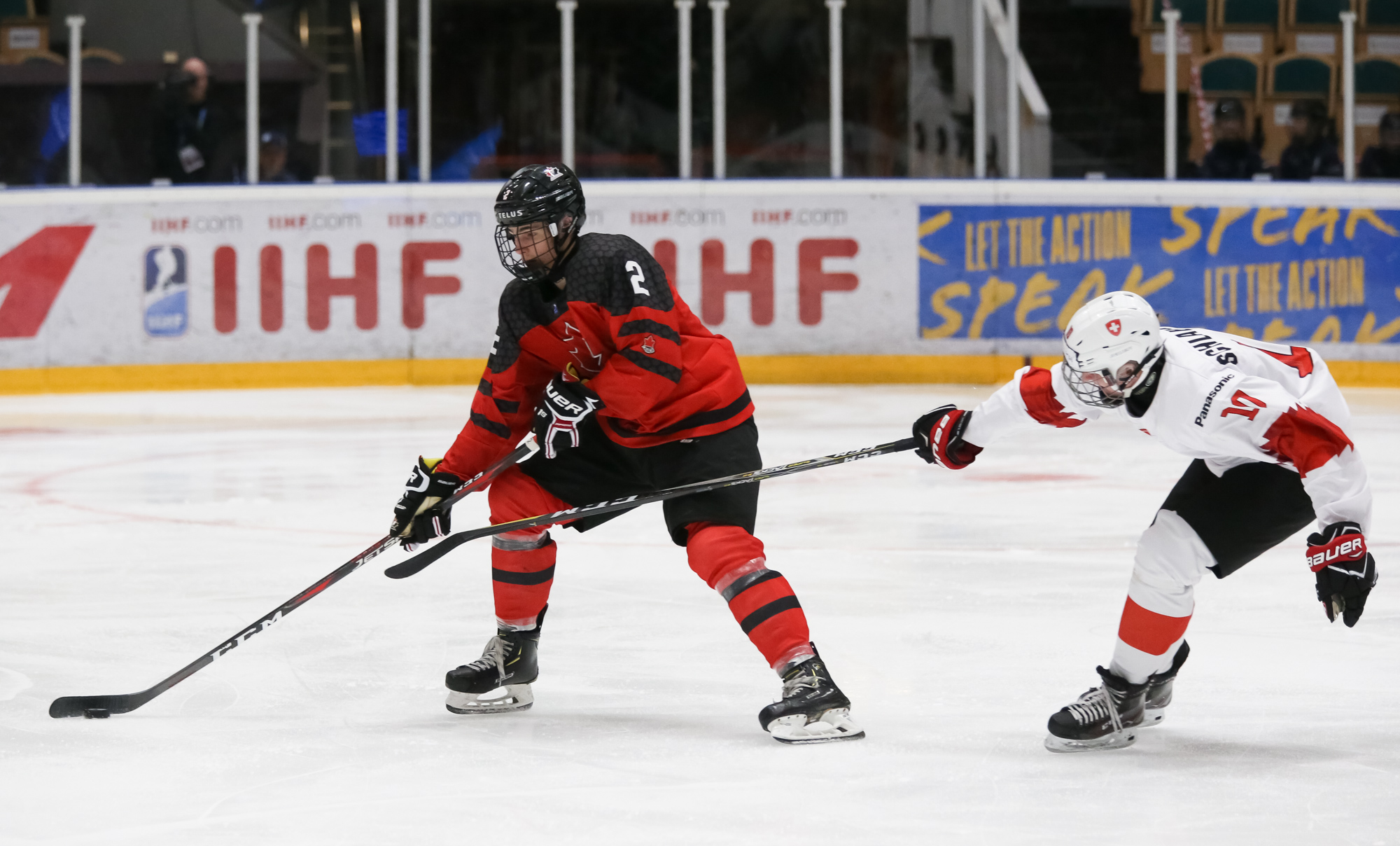 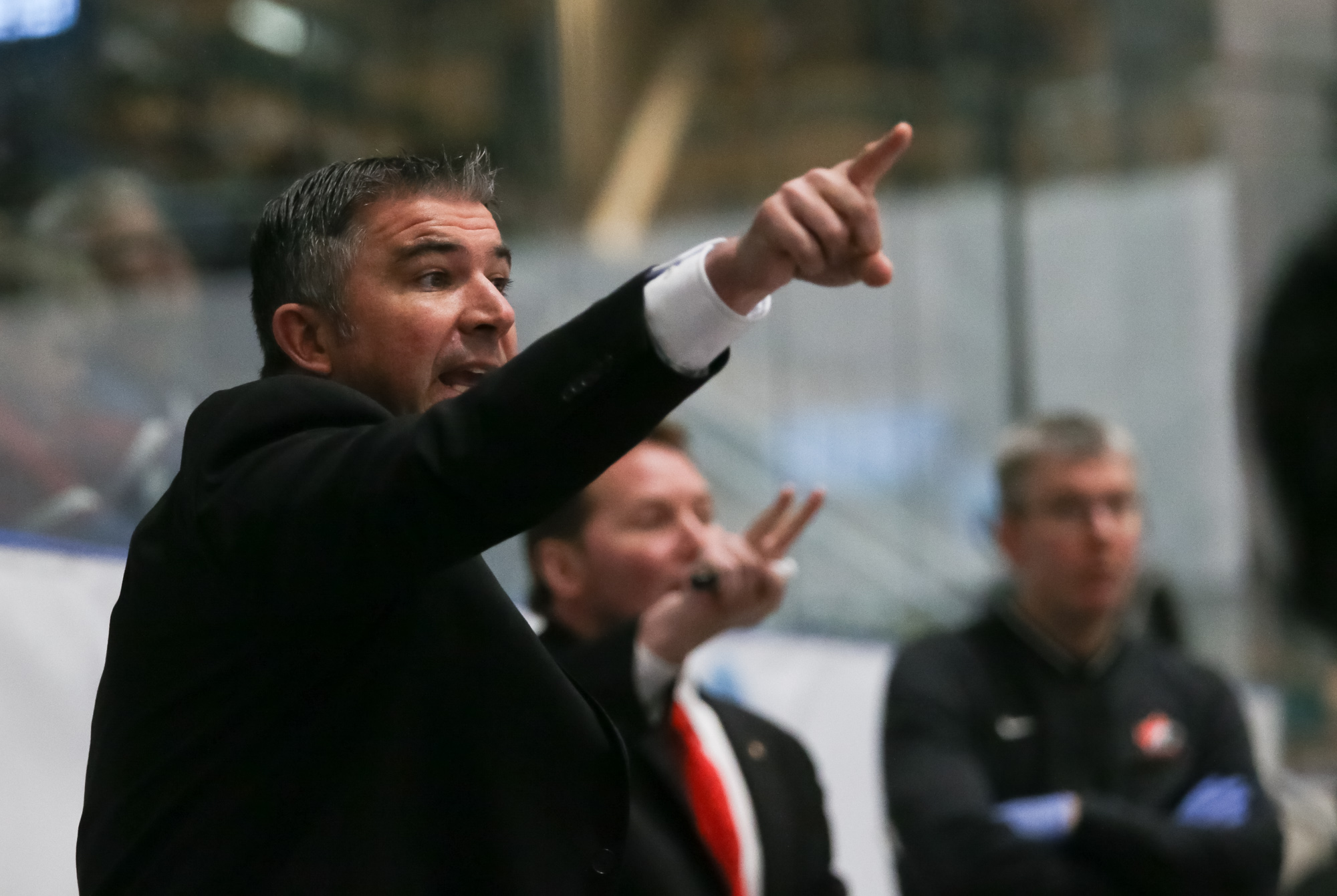 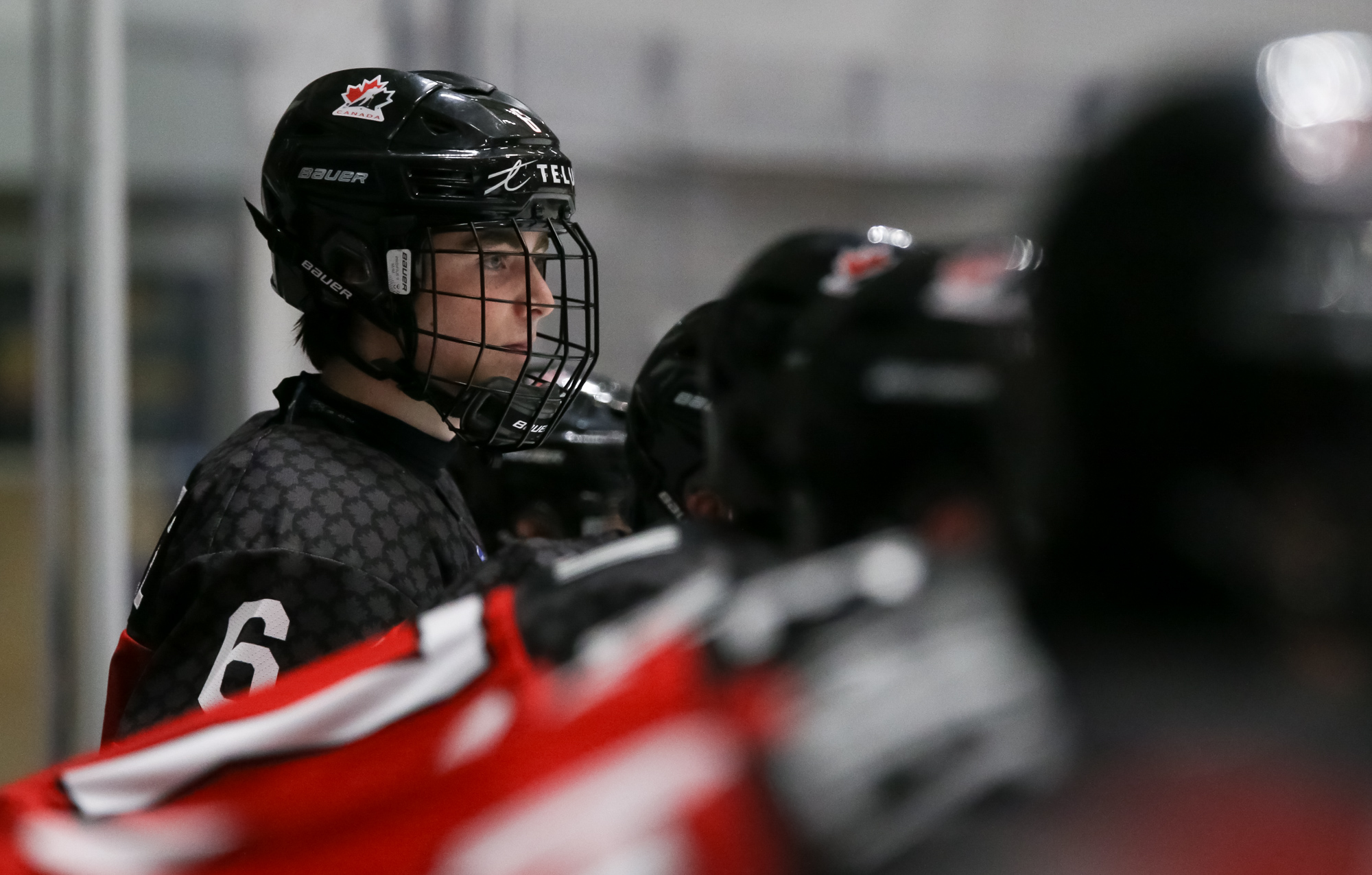 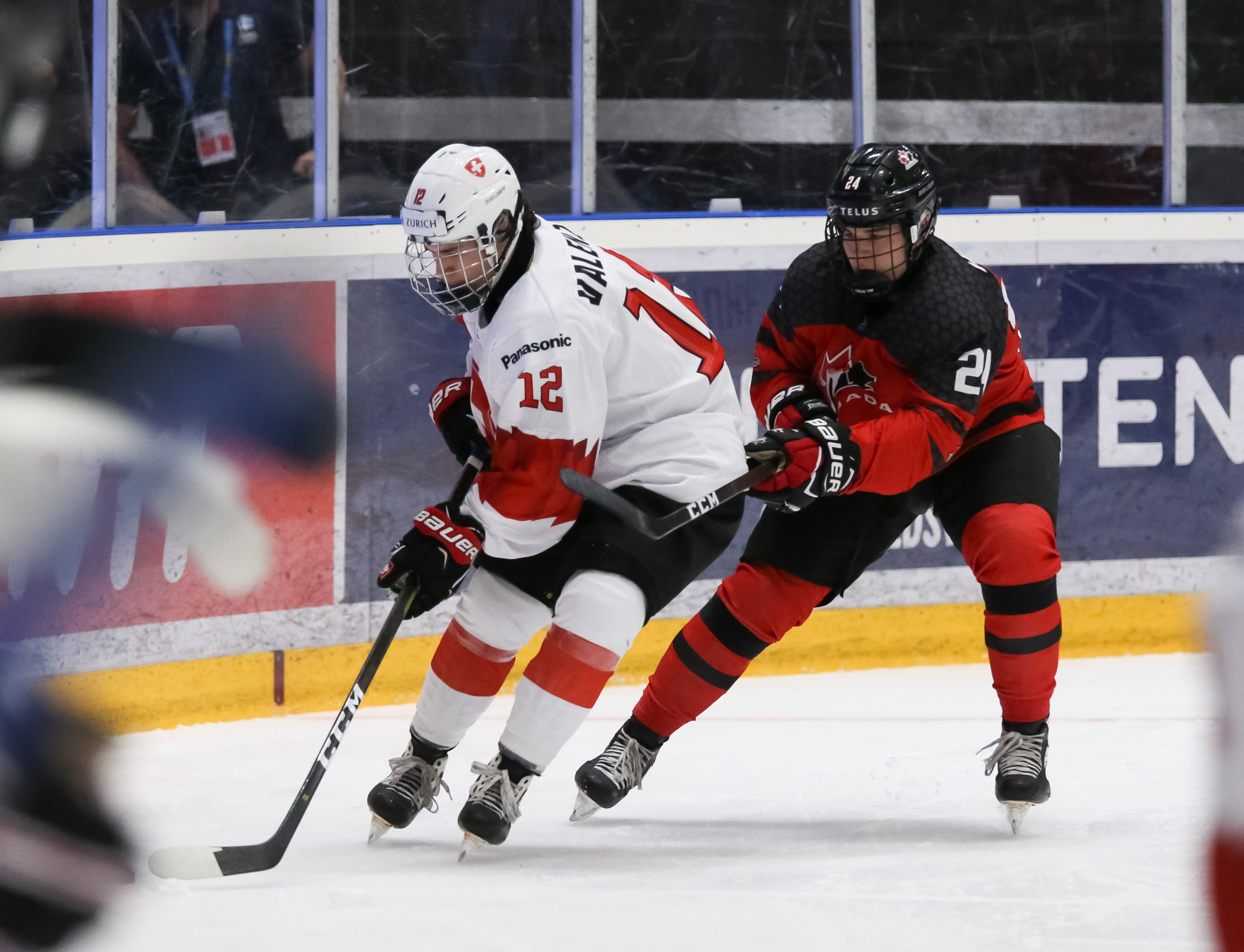 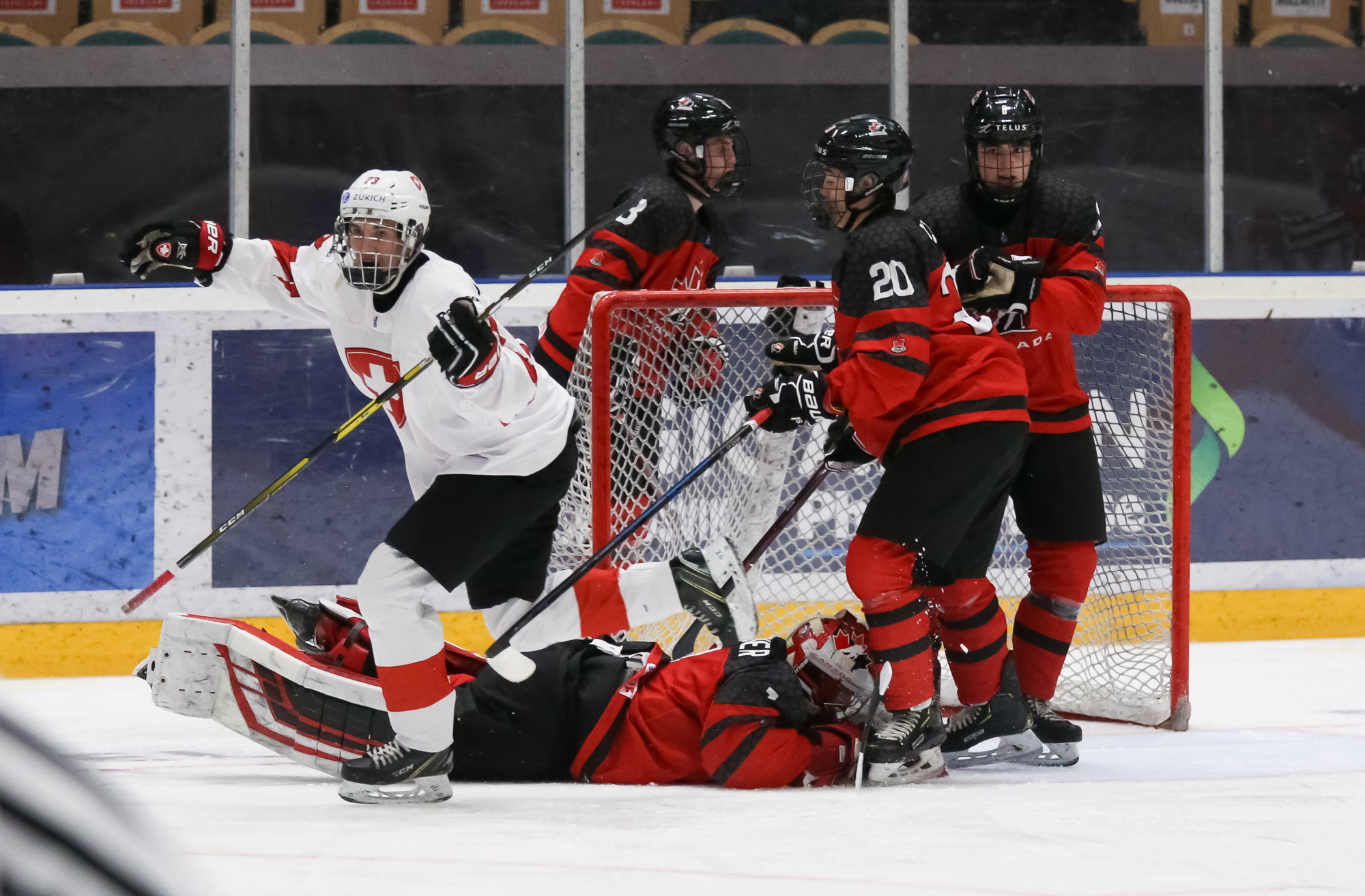 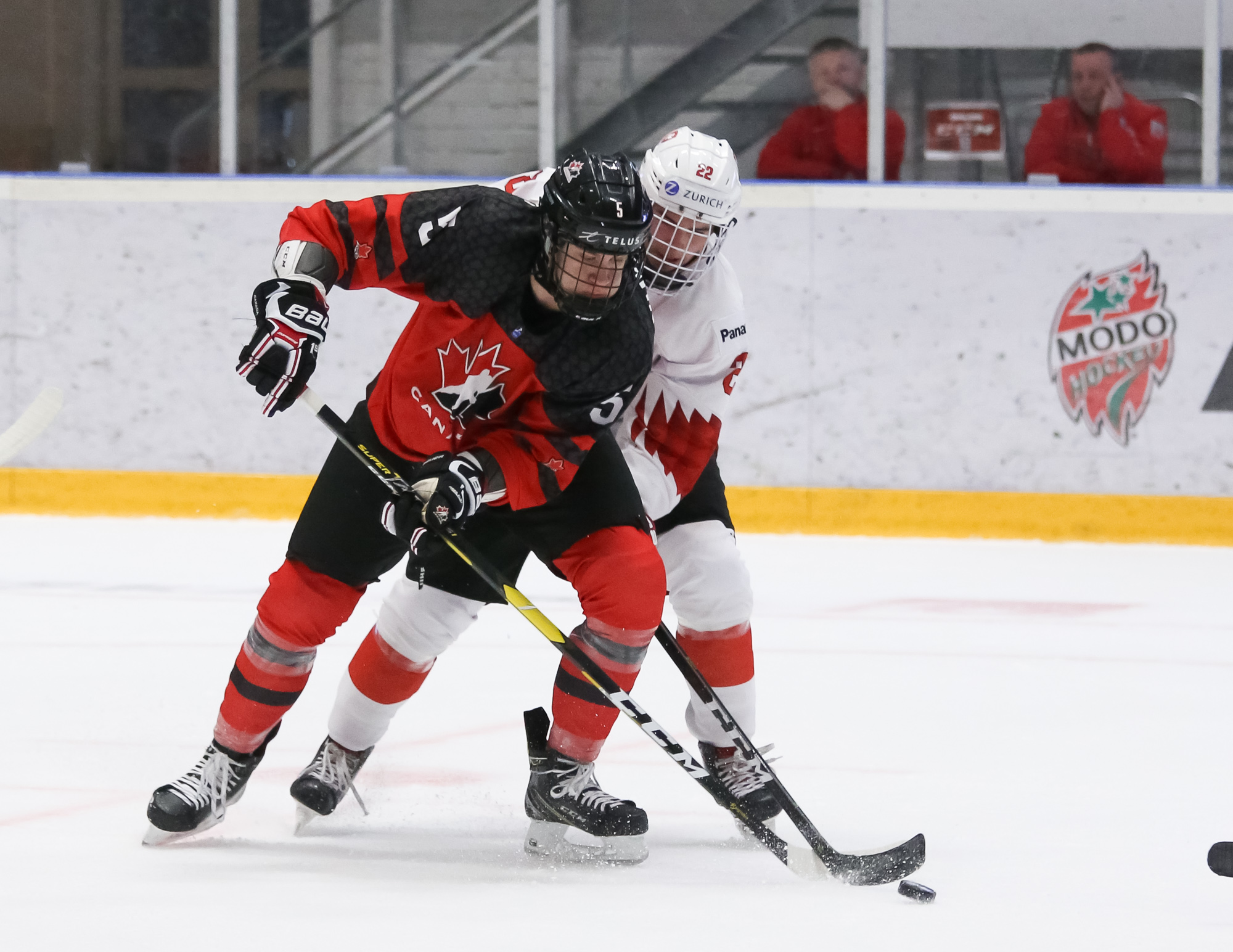 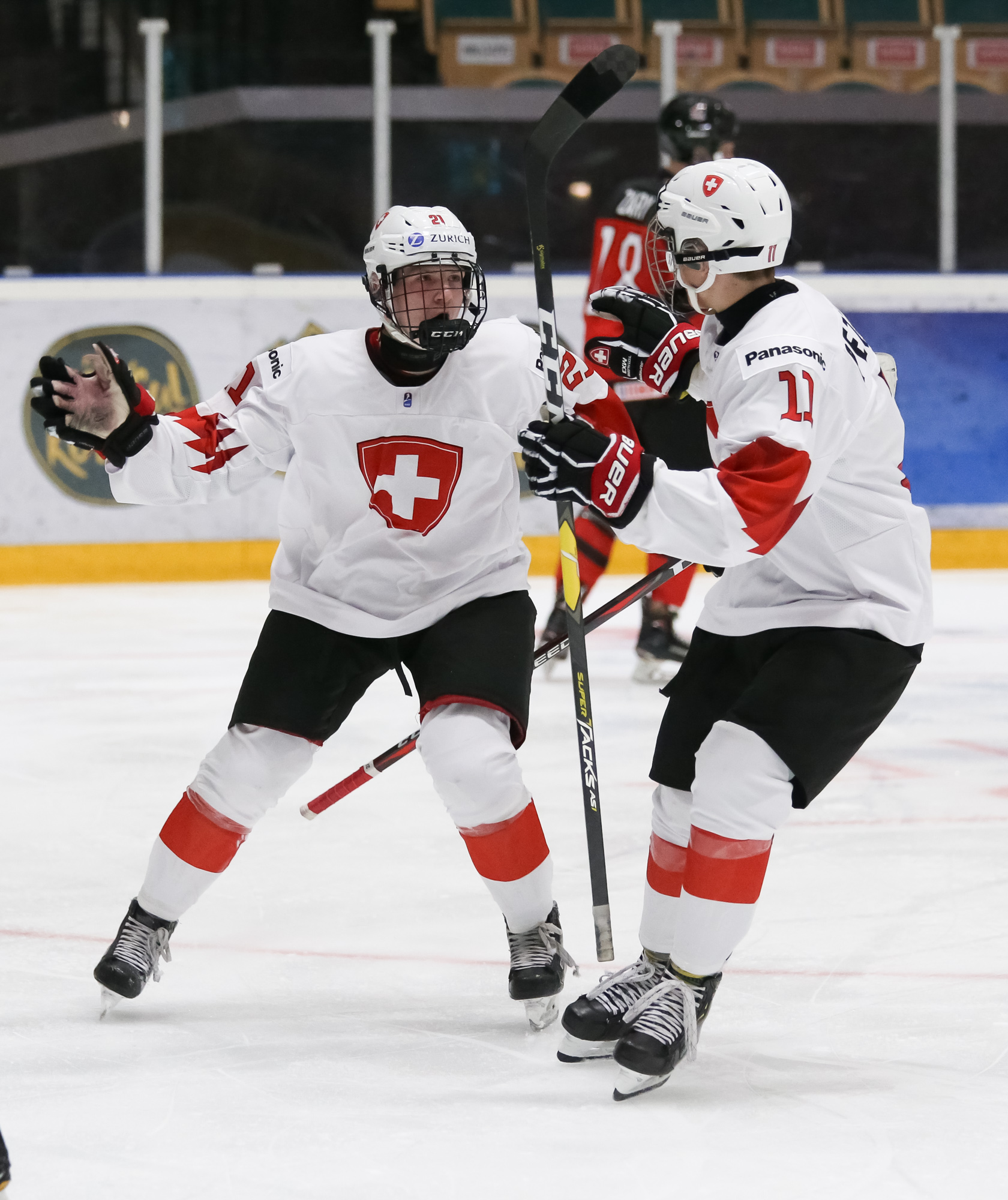 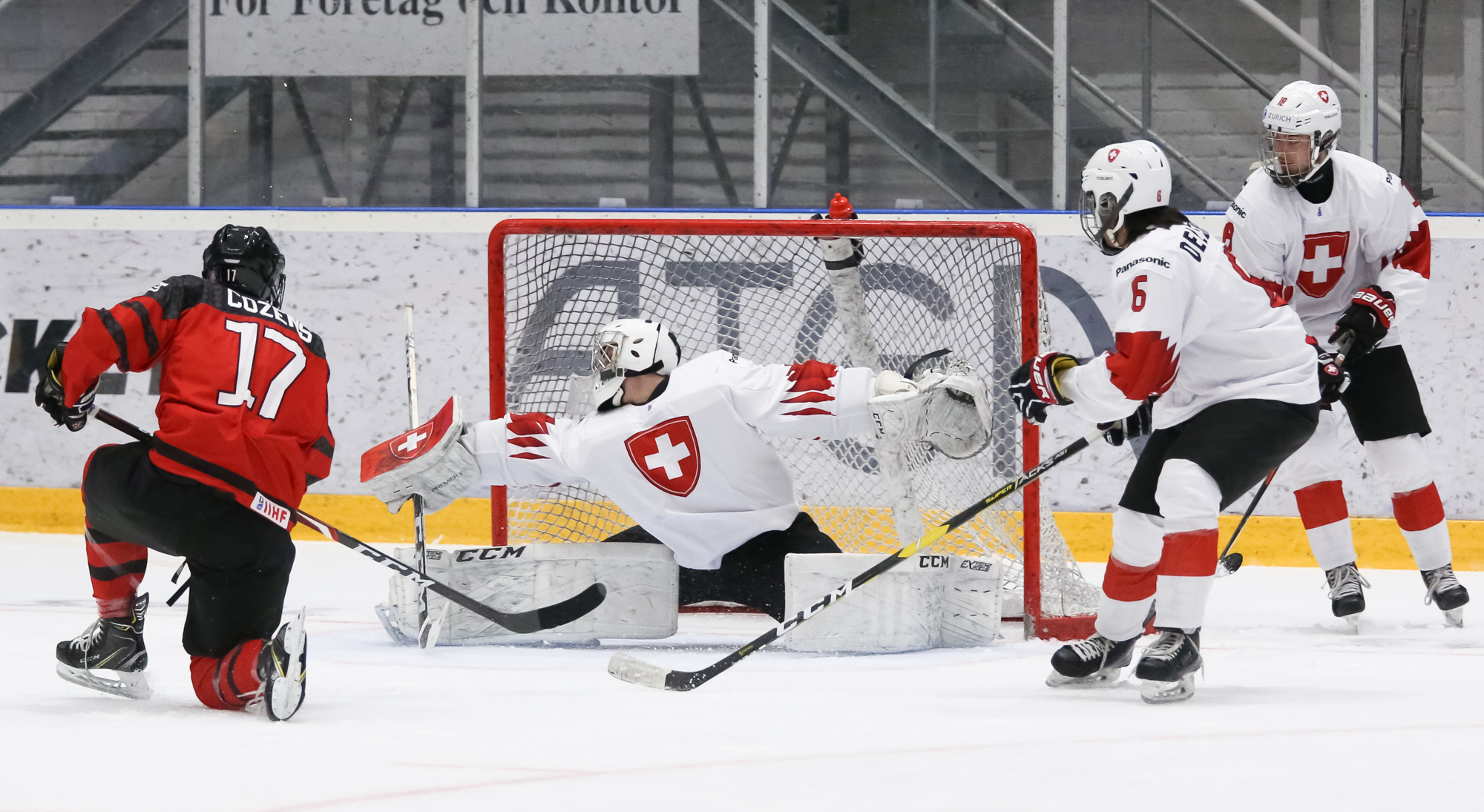 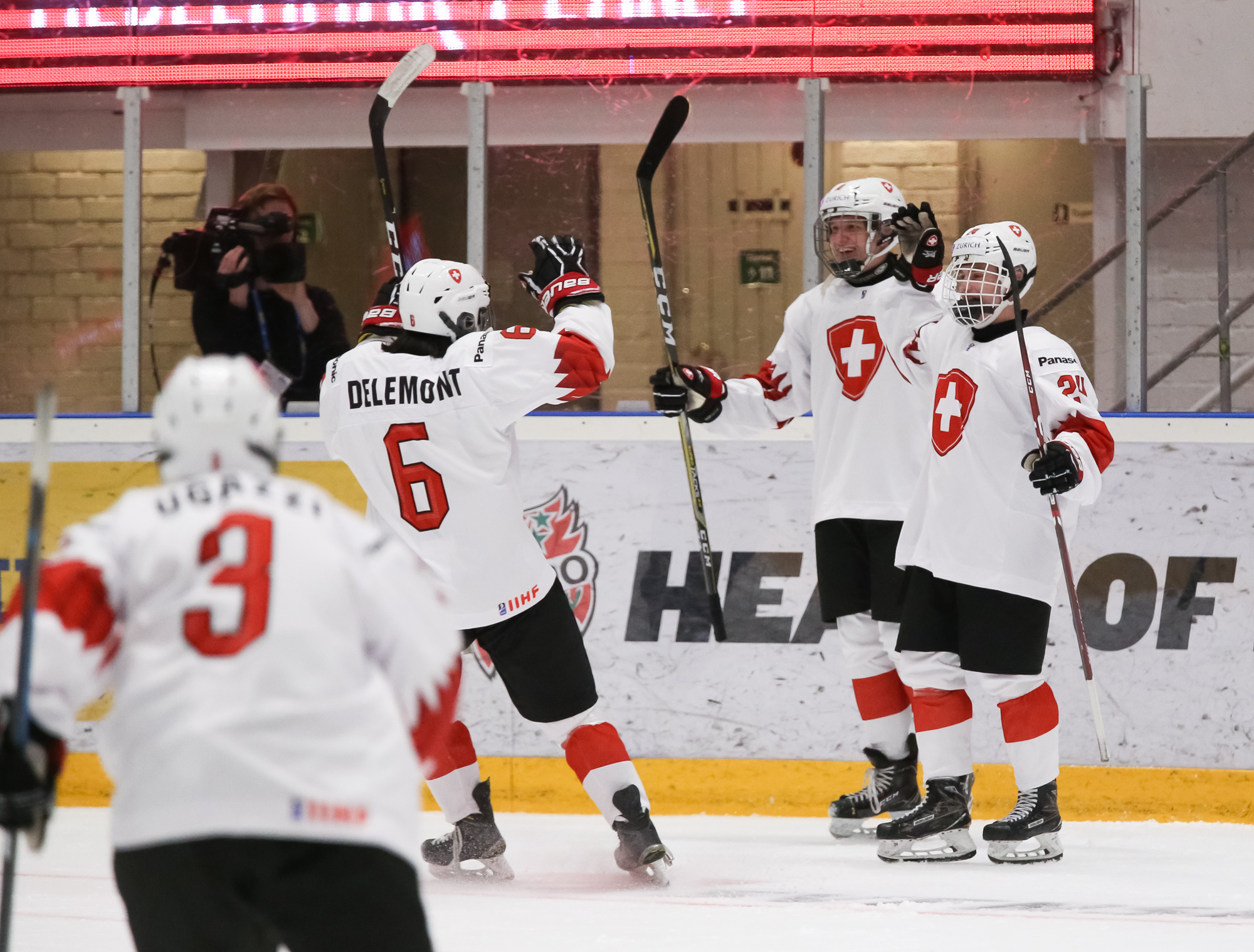 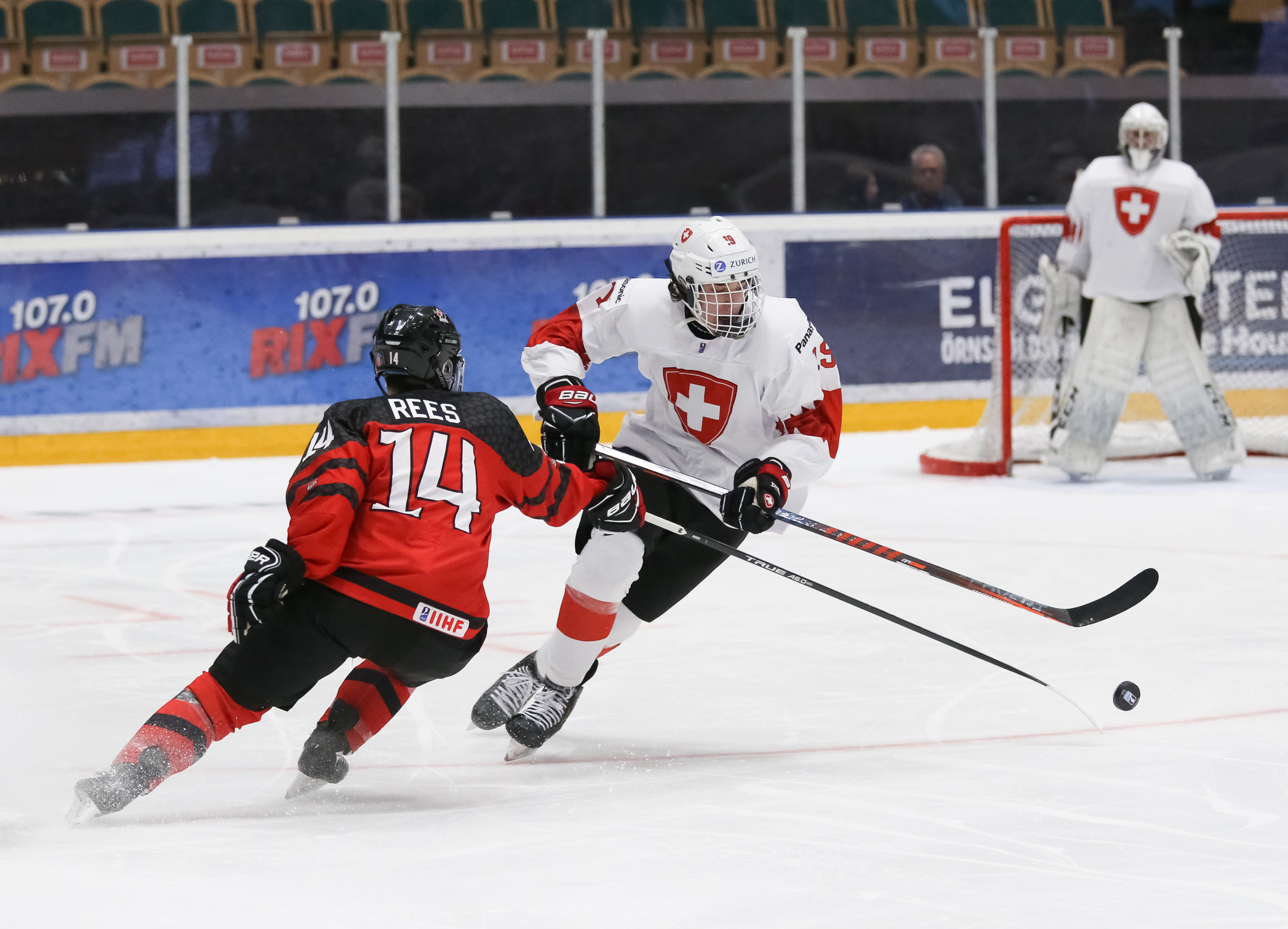 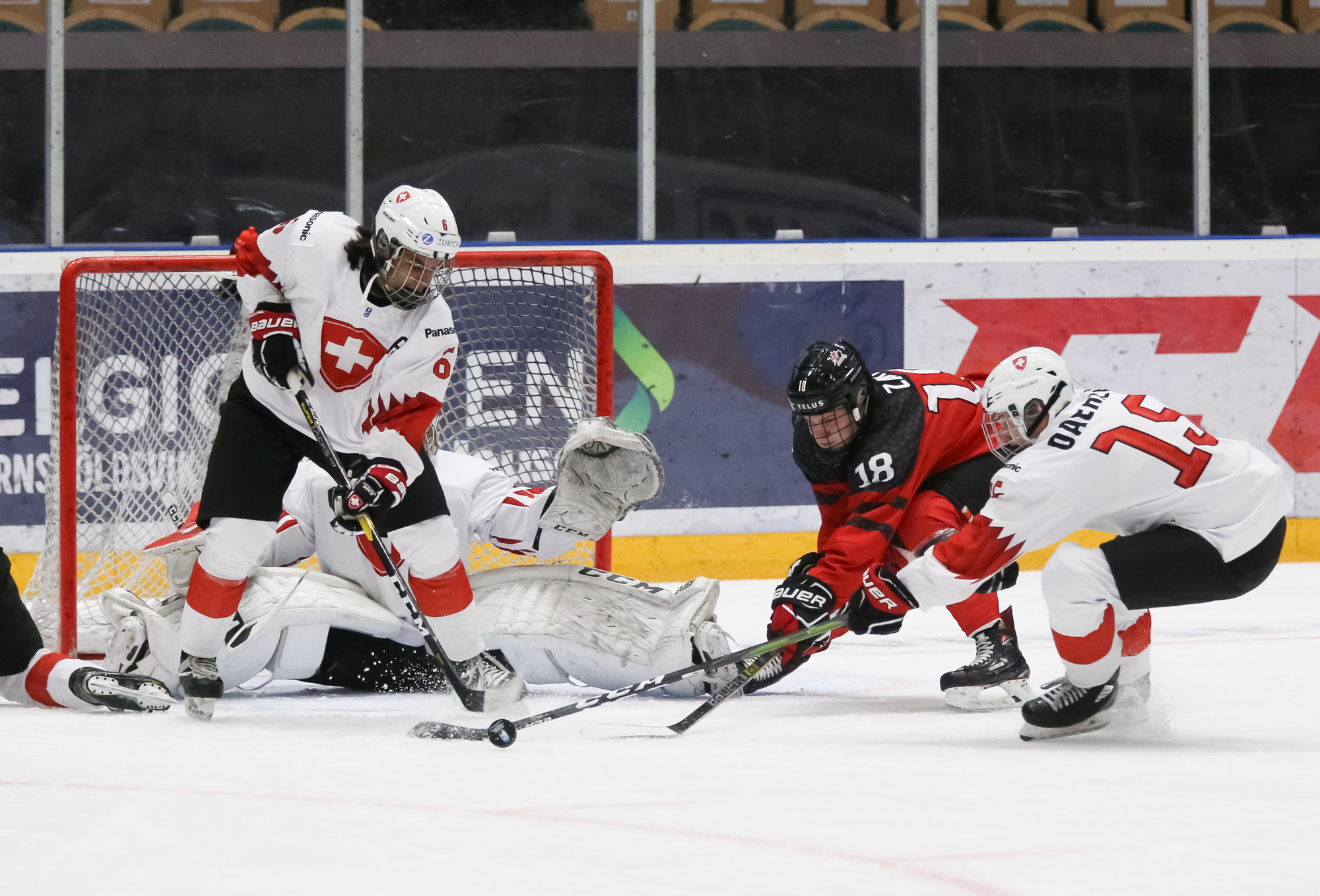 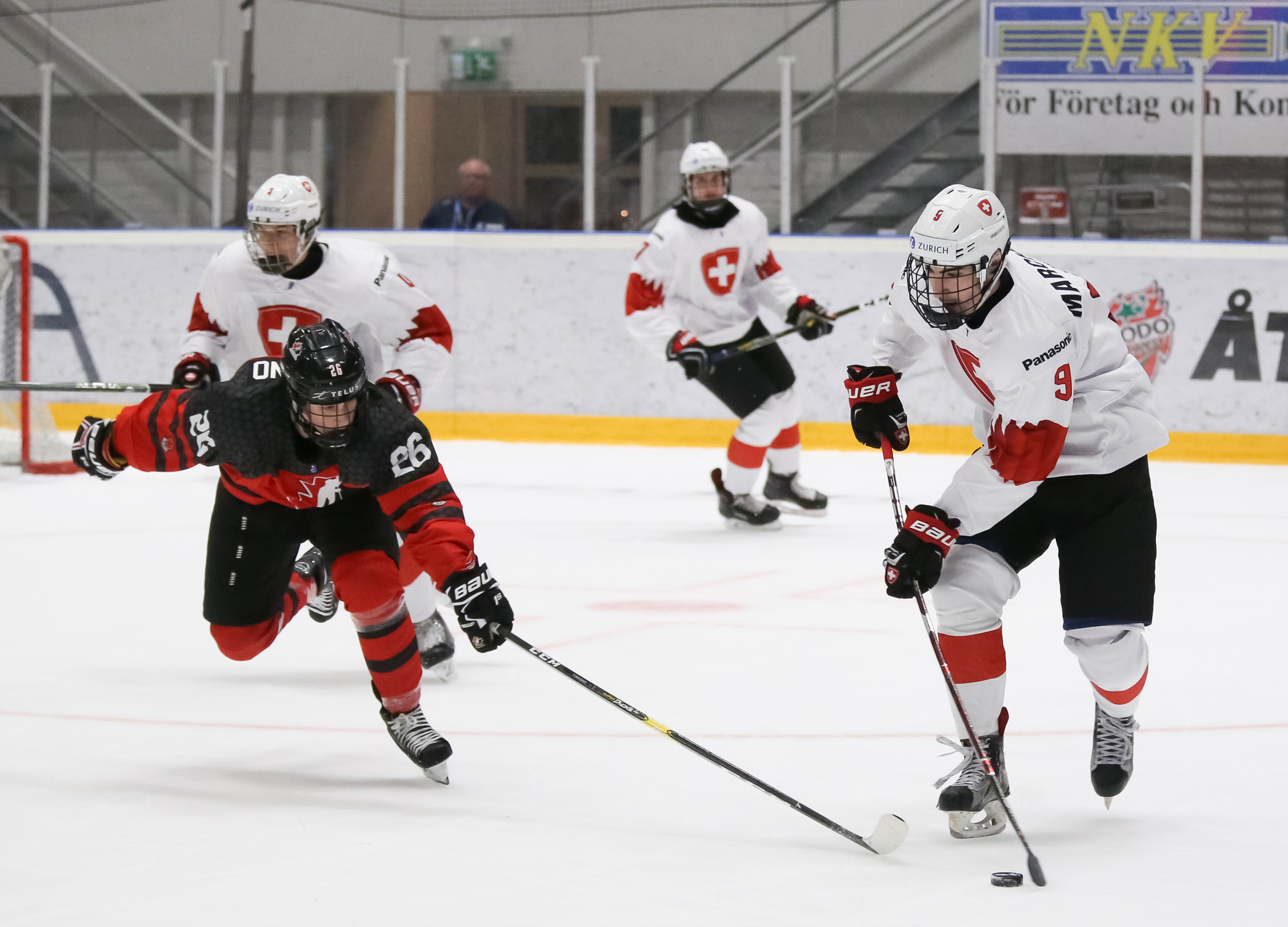 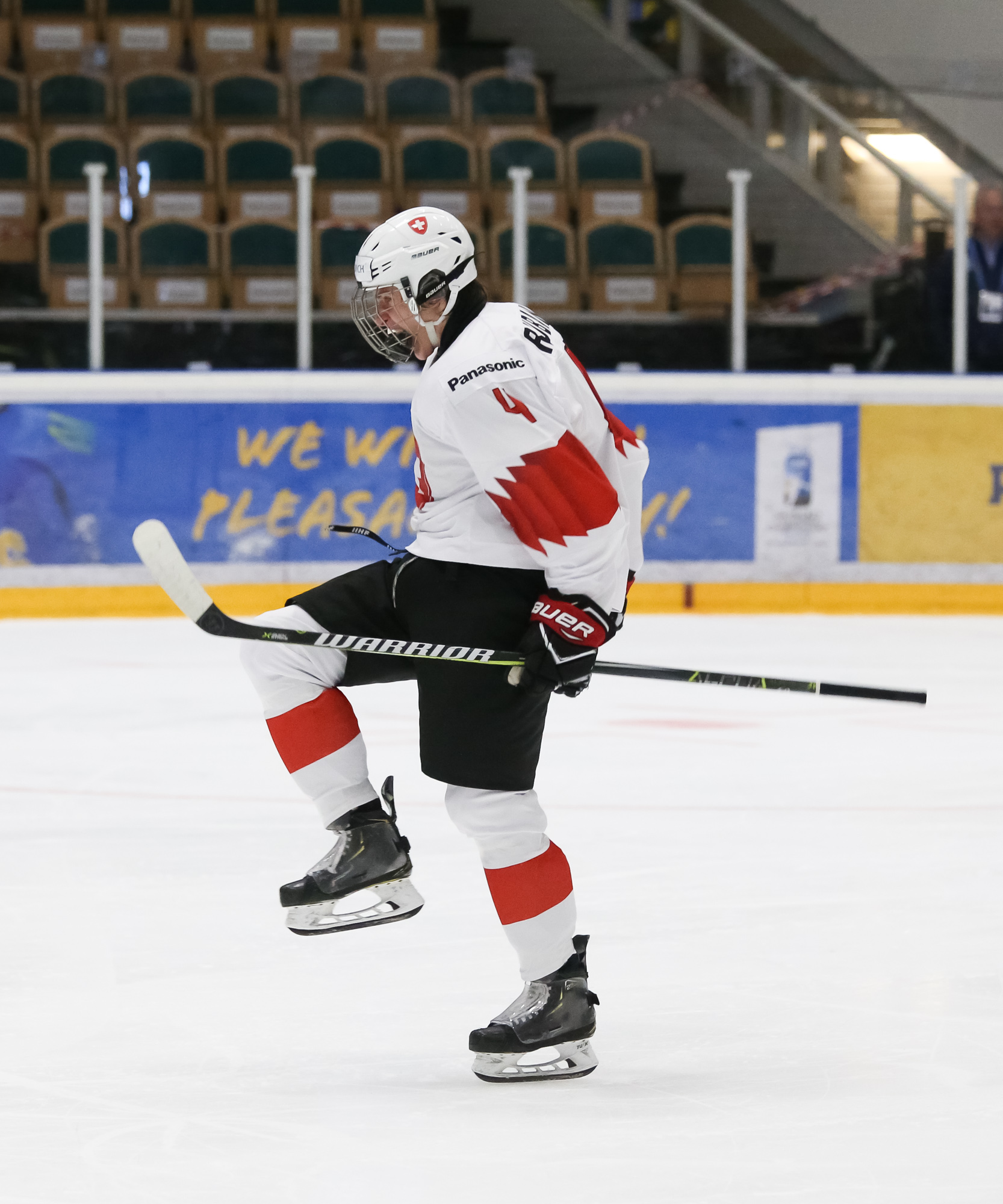 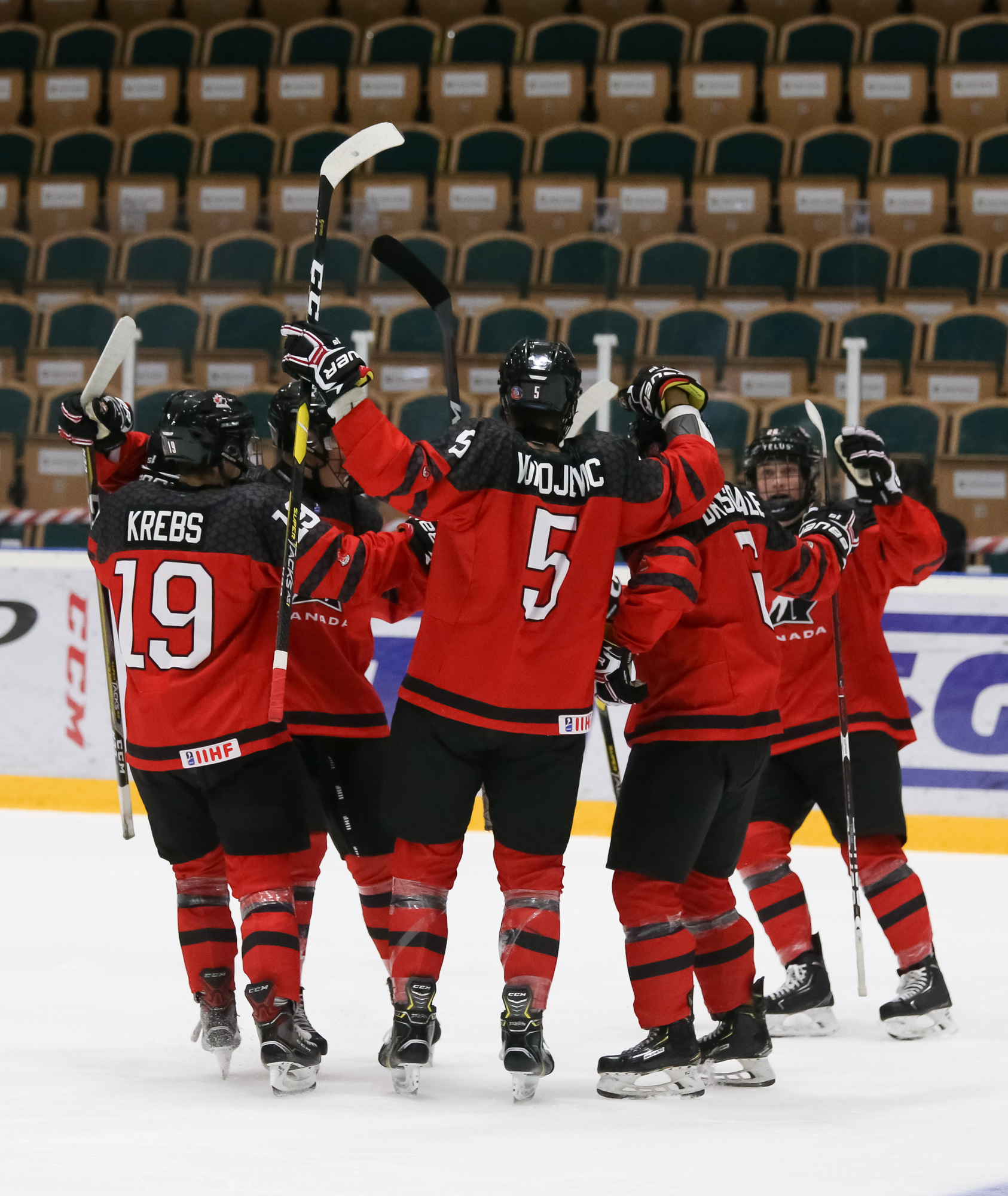 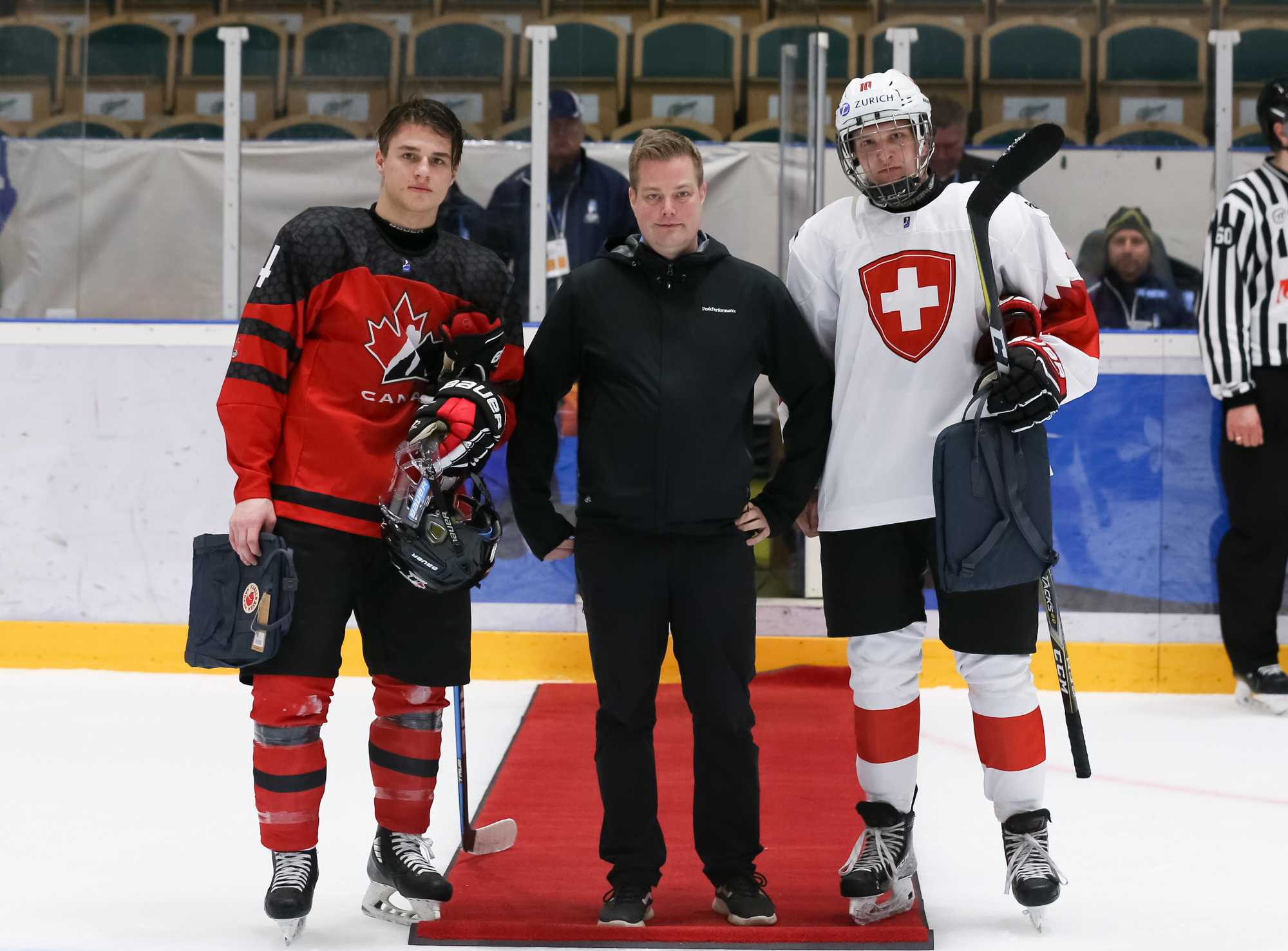 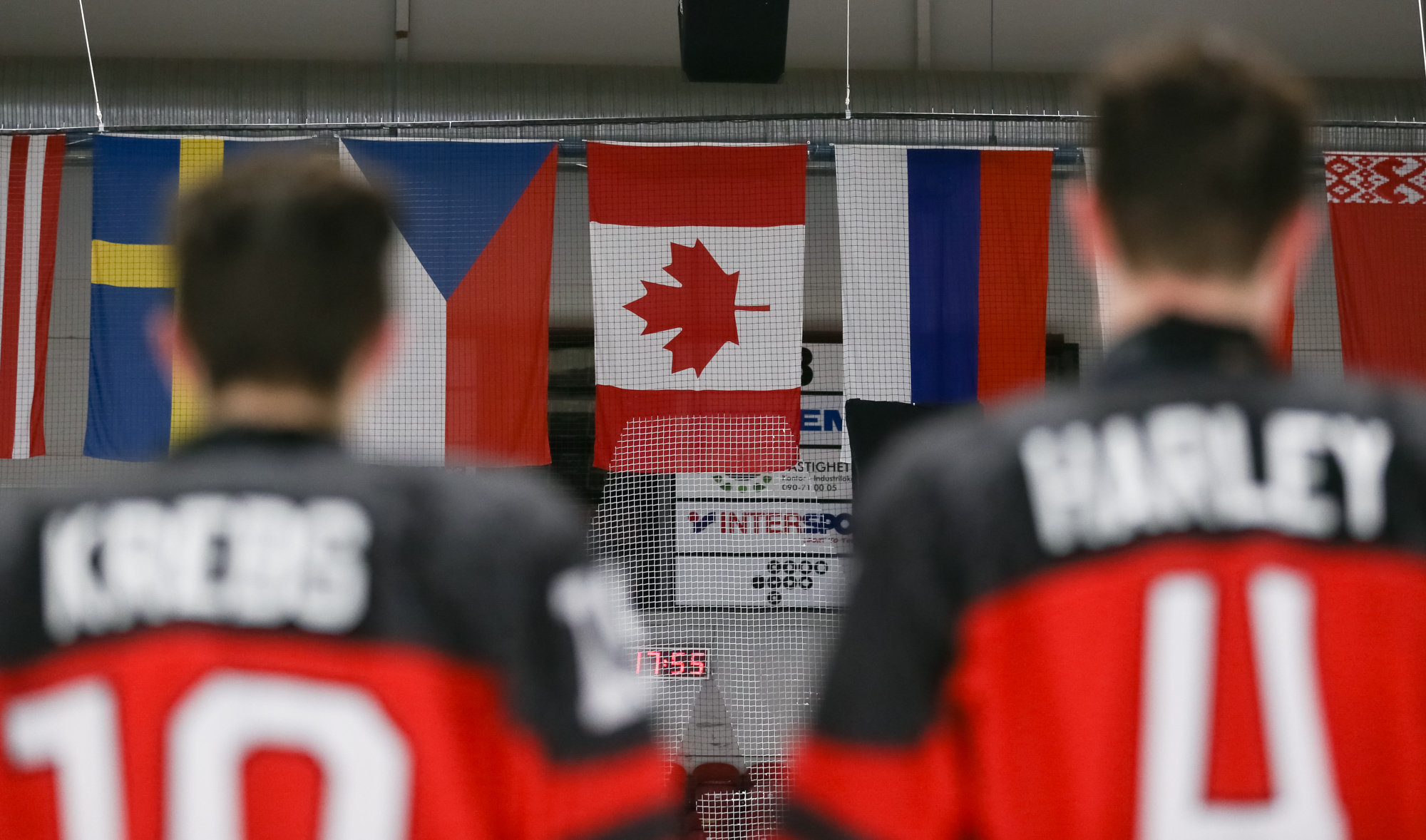 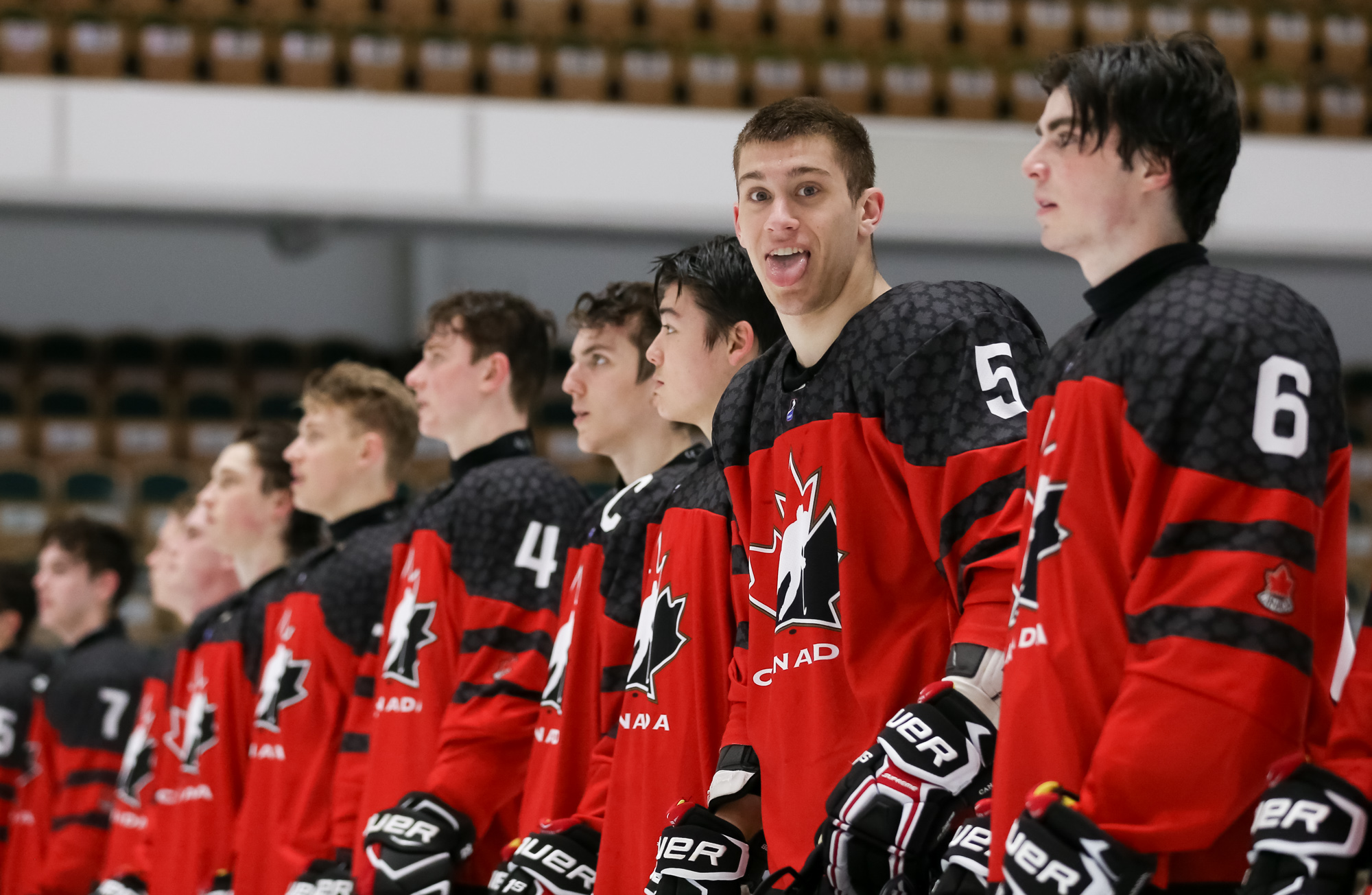 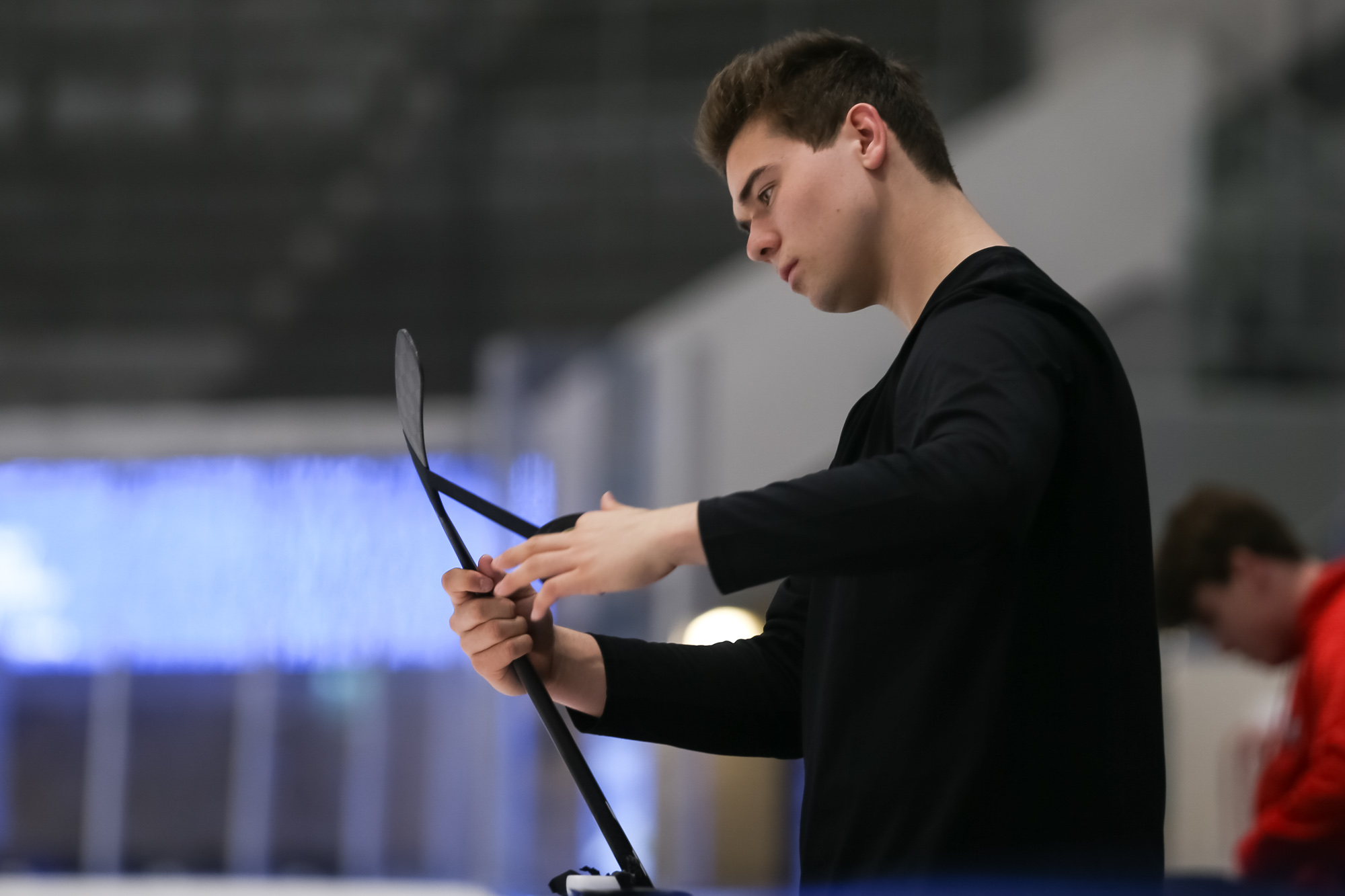 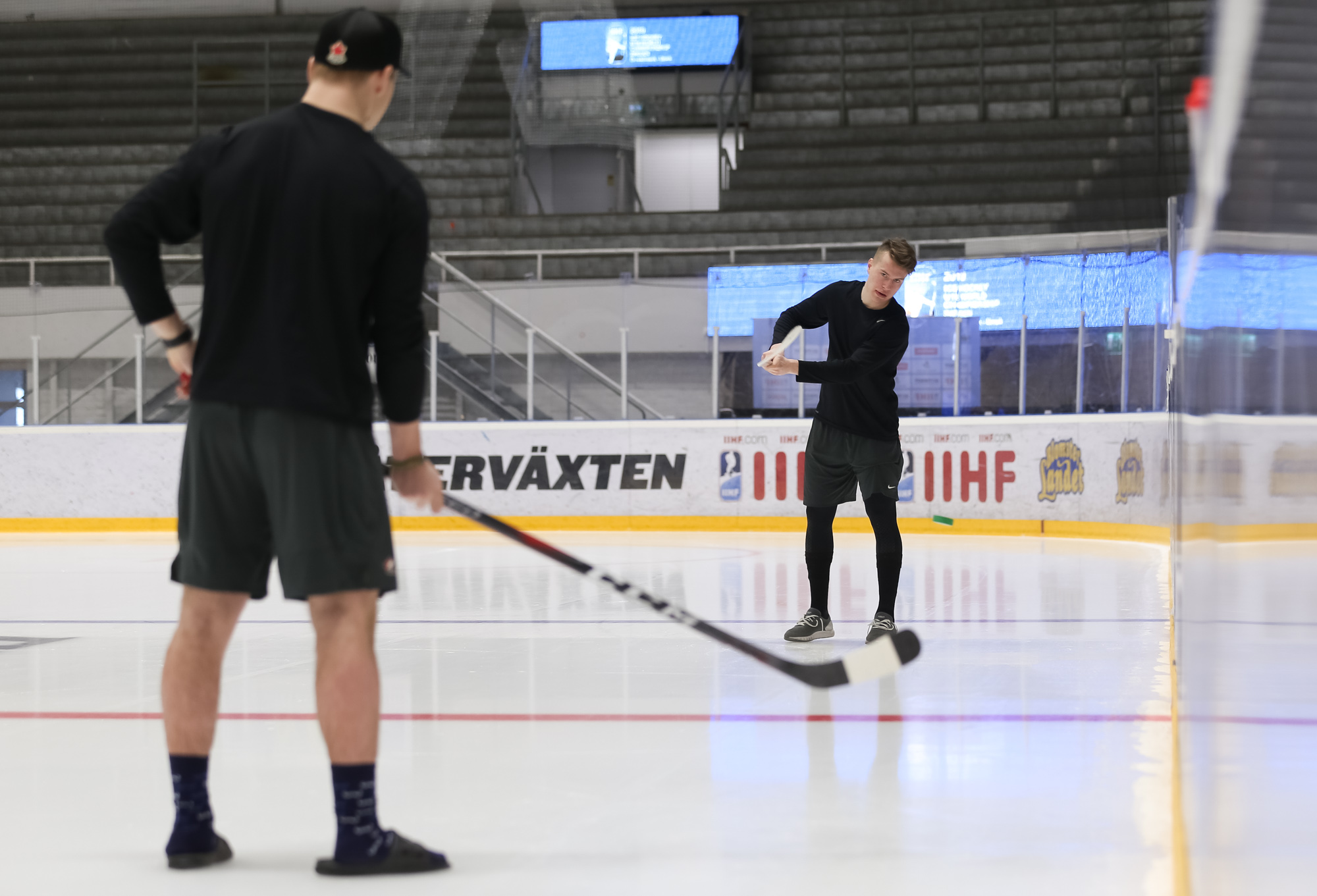 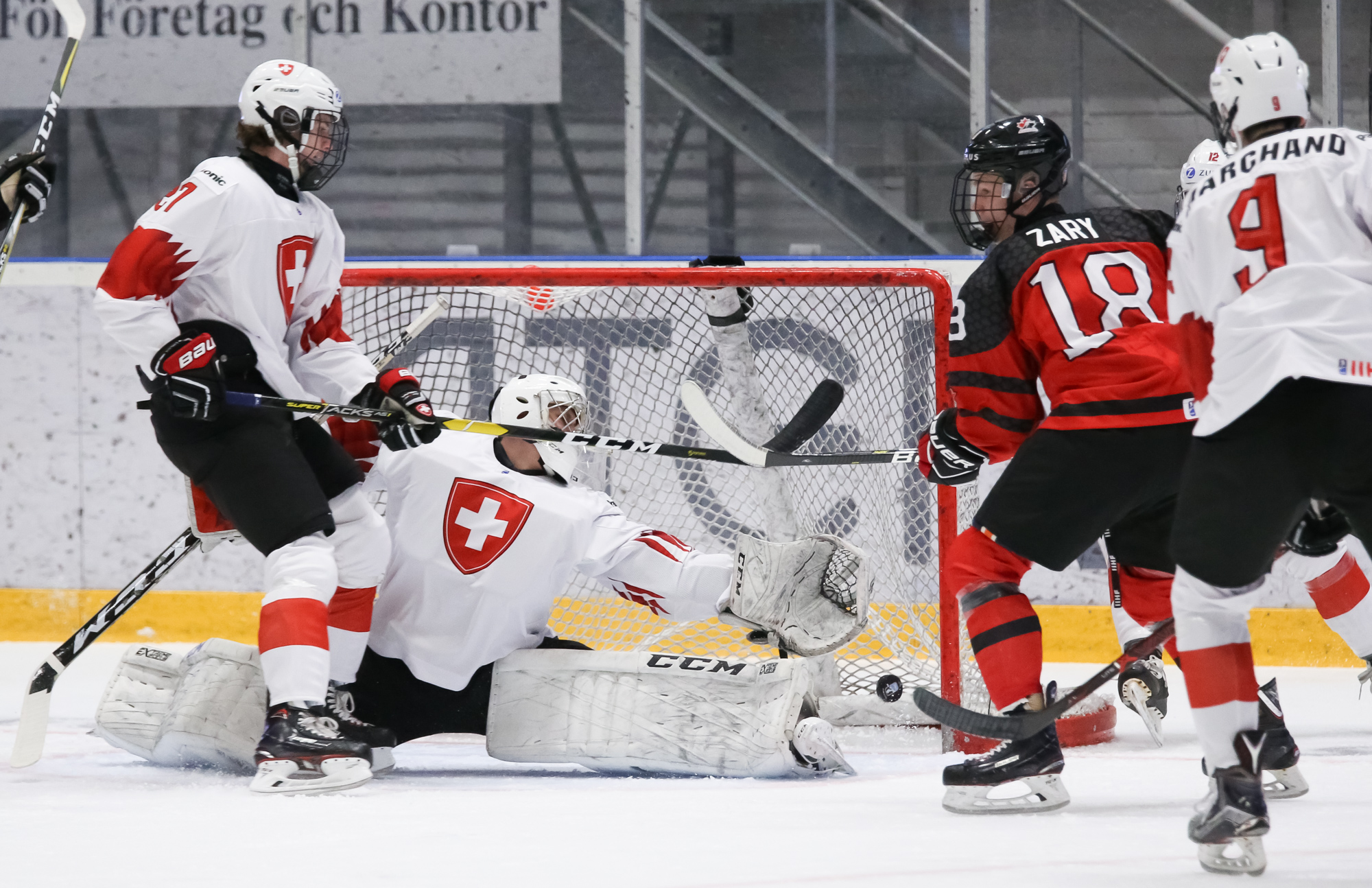 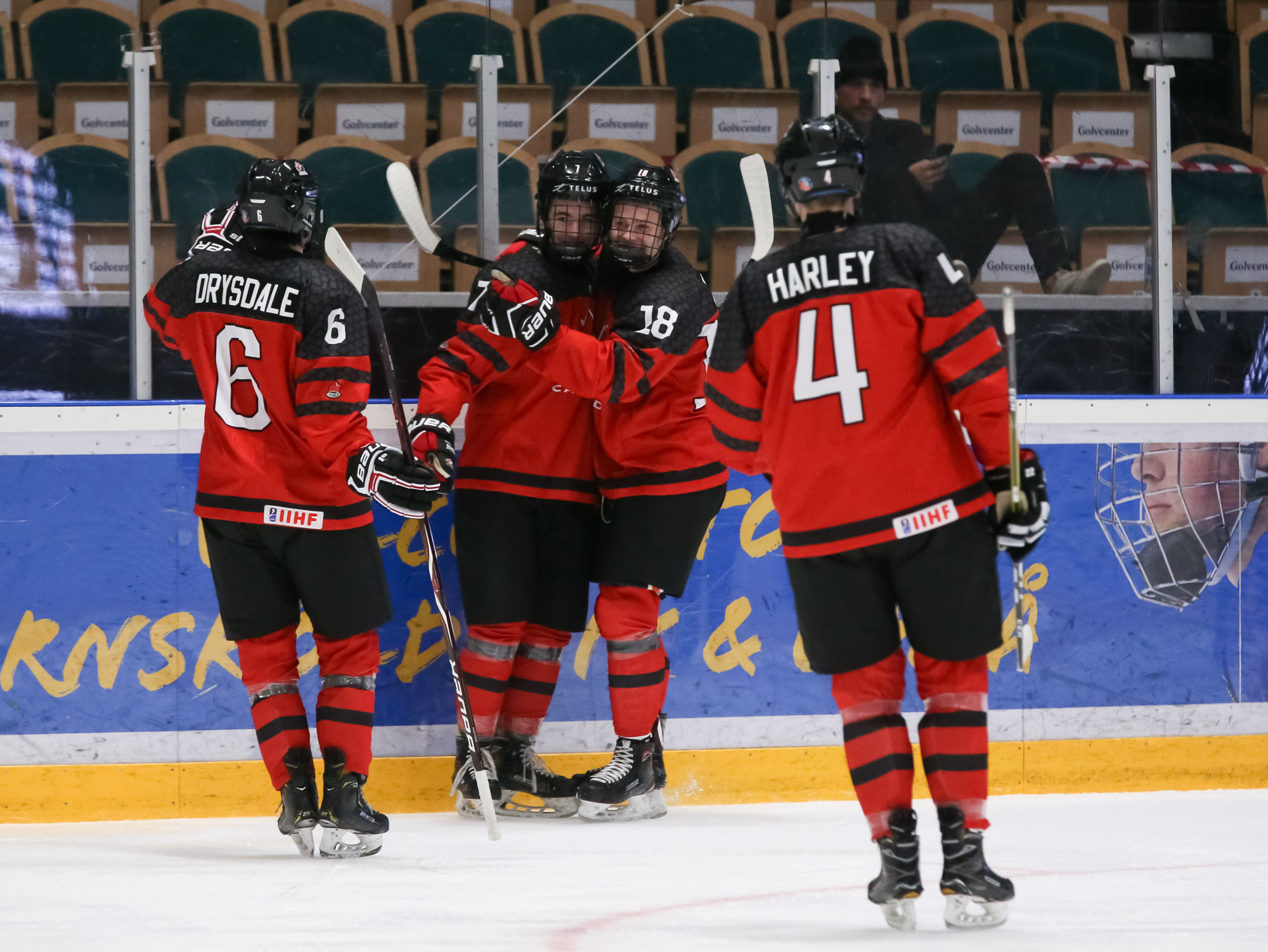 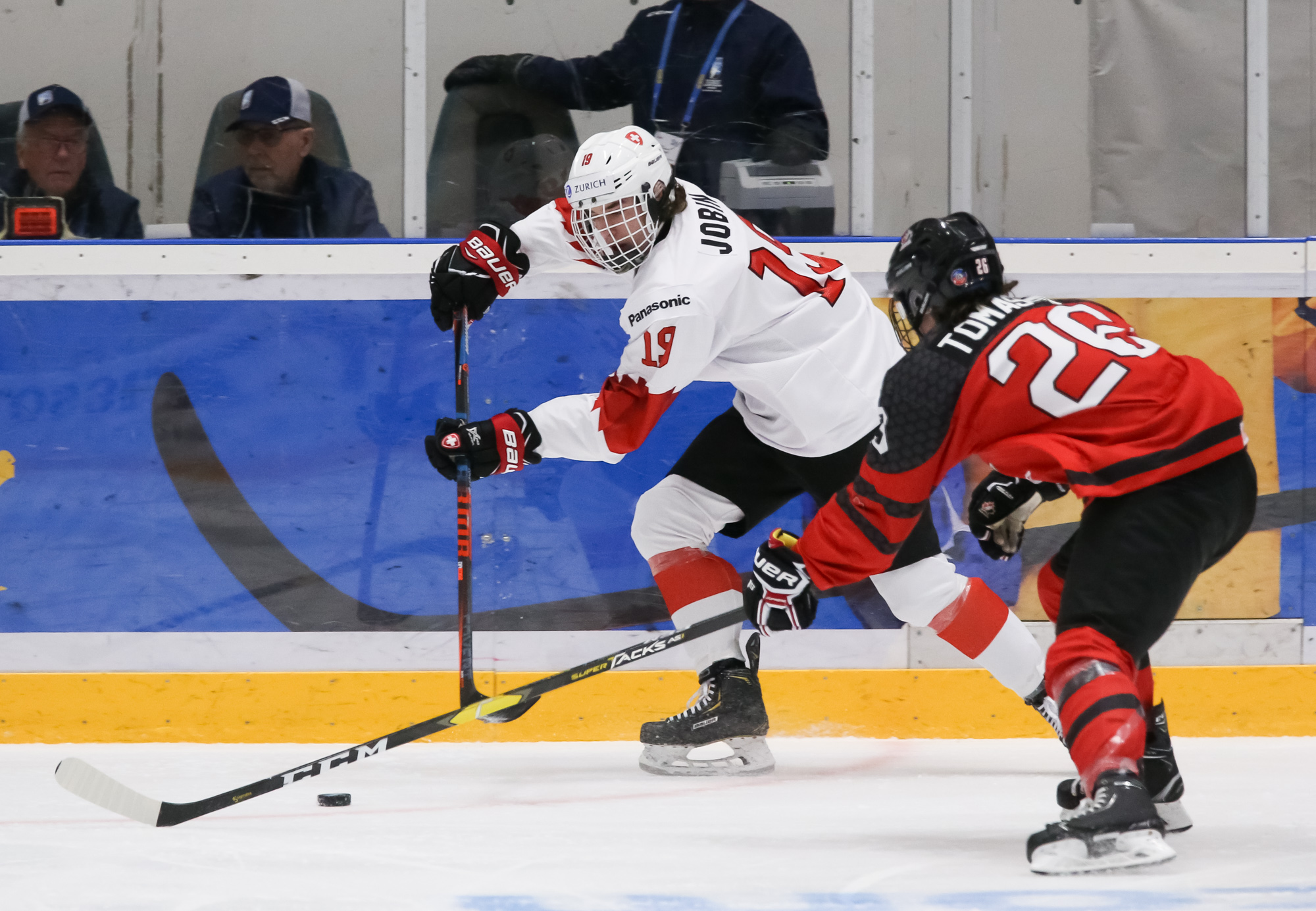 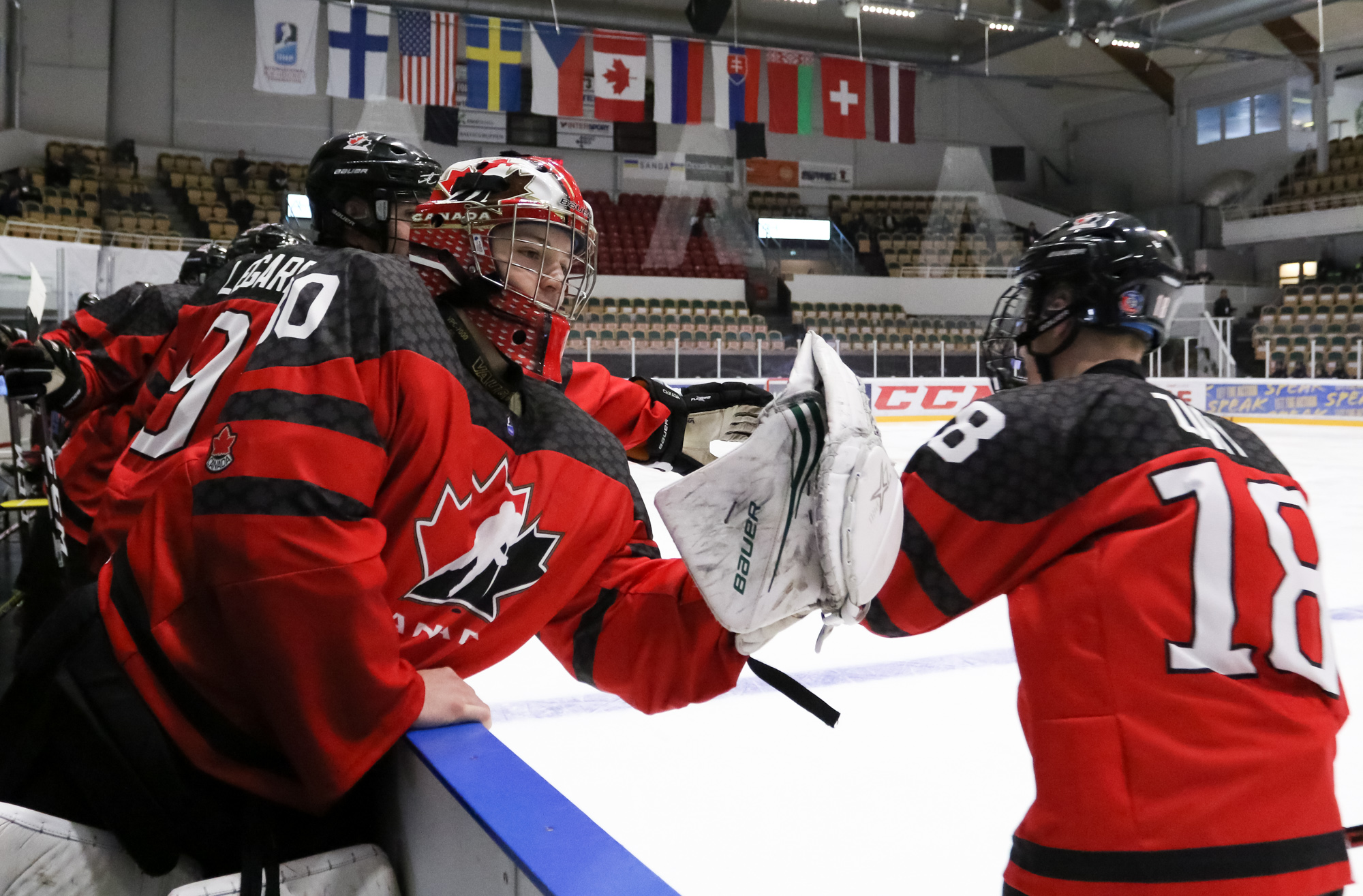 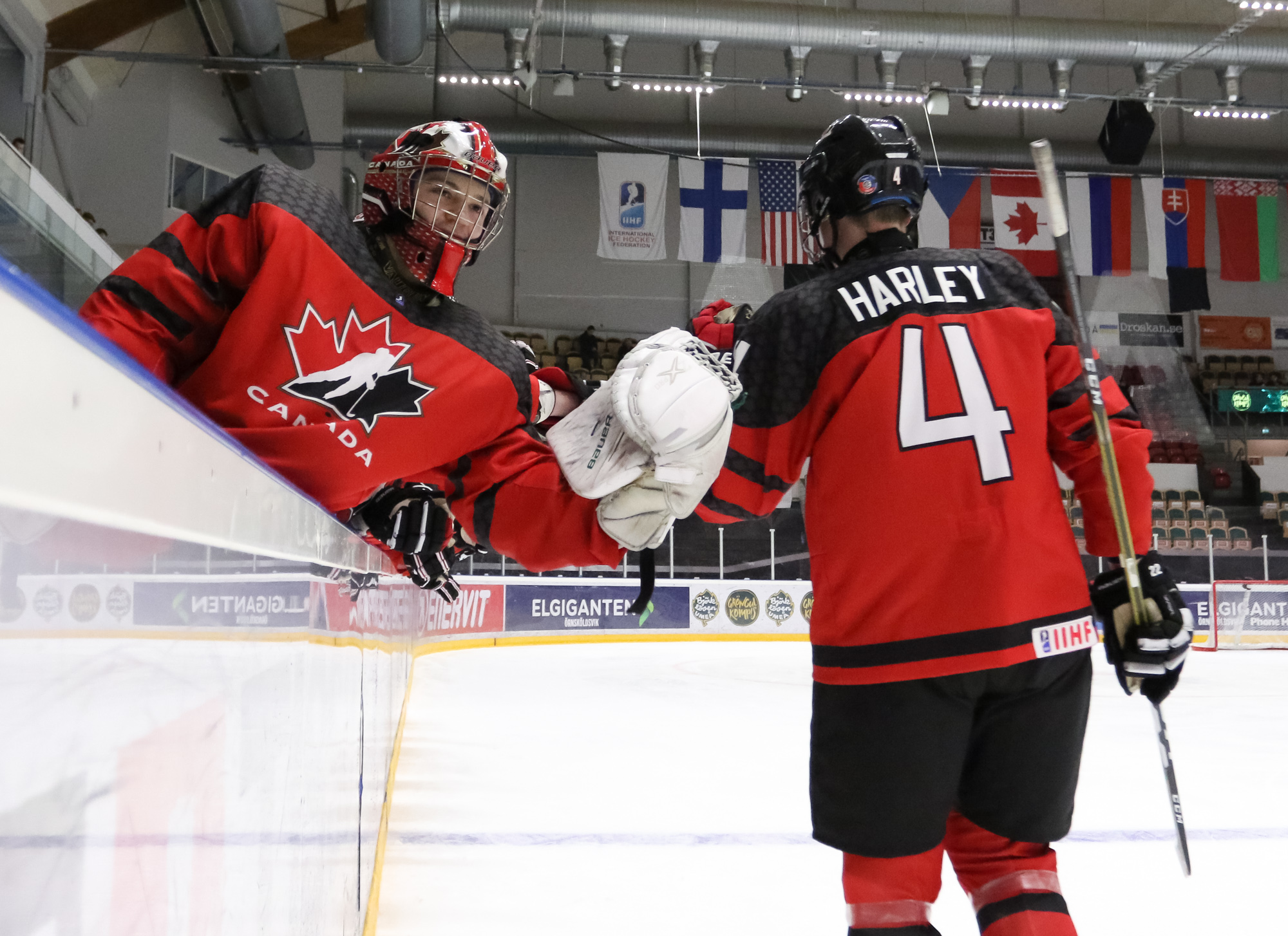 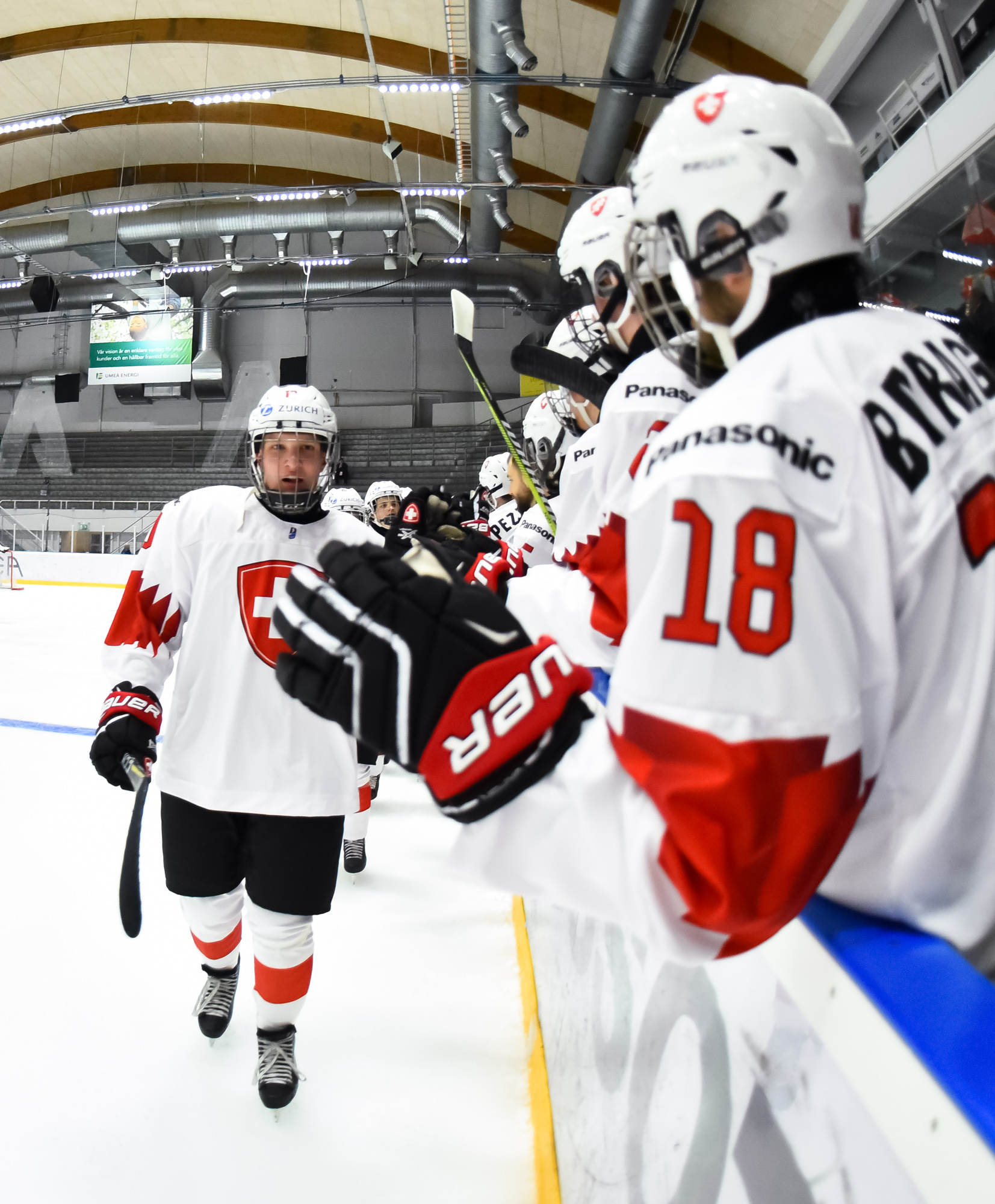