The defending U18 champions have lost three straight games, and they could be in trouble. Finland fell to the Czechs 4-2 on Sunday in Umea.

"We played as a team and we supported each other really well," Czech forward Marcel Barinka said. "It was a good game from us, and we just need to keep going like that."

Finland has one remaining preliminary round game left against Switzerland on Tuesday. The winless Swiss will also face Belarus on Monday. The last-place team in Group A will play in the relegation round starting on Thursday.

Top Finnish forward Anton Lundell, who won U18 gold last year in Chelyabinsk and World Junior gold this year in Vancouver, has been limited to one goal so far.

Lundell outlined the message to his teammates: "We try just to tell them that nothing is over. We have one game left. If we win that, we can move forward and the tournament is just beginning for us."

The Finns outshot the Czechs 49-31. They have put more than 40 shots on net in every game so far. However, creativity and finish are still works in progress.

"I think that the goals will come," said Finnish captain Iivari Rasanen. "That's the first thing for goal-scoring. You have to shoot. So the goals will be coming. We just need to start to focus on the Swiss game now. We have to pick up the good things here and start recovering."

Filip Koffer led the way with a pair, and Martin Lang and Matej Toman also scored for the ever-opportunistic Czechs. They'll play Canada next.

"They have a really good team, as always," Barinka said. "It's Canada. Hockey country. We need to work hard, shoot the pucks, and score some goals."

Finnish goalie Kari Piiroinen, an HIFK Helsinki  product who played for the OHL's Windsor Spitfires this season, made his U18 debut. Czech netminder Lukas Parik got his second straight win.Finland has made four straight U18 finals, beating Sweden in 2016 and the U.S. in 2018 and losing to the Americans in 2015 and 2017. Their underwhelming performance at the A3 Arena has come as a surprise, even if they don't have a ballyhooed gunner like Patrik Laine this year.

World Men U18
Finland vs. Czech Republic - 2019 IIHF Ice Hockey U18 World Championship
The defending U18 champions have lost three straight games, and they could be in trouble. Finland fell to the Czechs 4-2 on Sunday in Umea.
FIN CZE 21 APR 2019

A Finnish defensive breakdown saw the Czechs open the scoring just 37 seconds in. There was no semblance of a backcheck on a 3-on-2 rush as captain Radek Muzik went cross-ice to Filip Prikryl and he sent it back to Lang, who converted into a gaping net.

"I don't know what happened!" said Lang. "We said before the first faceoff, we had to win it and chip the puck low and play in Finland's D-zone. And we had a chance and we scored a goal. I think it's pretty lucky, but we scored."

The Finns continued to press throughout the first period, outshooting the Czechs 18-9, but were frustrated at every turn. Defenceman Ville Heinola capped that off by hitting the post in the final minute.

Finnish frustration boiled over into penalties and mental mistakes. The Finns flubbed good chances, like Aku Raty failing to control a cross-crease pass with a wide-open net and his brother Aatu getting stoned on a partial breakaway near the midway mark.

"In my opinion, we just couldn't get the puck to the net," said Rasanen. "Also, we took too many penalties today."

Then, at long last, the Finns caught a break. Their power play came alive. Ten seconds after Matej Toman went off for hooking, Puistola corralled Aatu Raty’s rebound off the faceoff, spun in the slot, and flung it past Parik. The play was reviewed, and a roar went up from the Finnish bench when it was ruled good.

Even though Finland subsequently carried the play, the Czechs came through with another man advantage. Piiroinen got across to make a great save on Marcel Barinka’s one-timer but Koffer, the Czech scoring leader, banged in the rebound for his third goal of the tournament and a 2-1 lead.

The close-but-no-cigar theme continued at the end of the second period. Hatakka gloved down the puck at the Czech blue line, circled in, and put one off the crossbar. Barinka then did the same just before the horn sounded.

"It was pretty funny because there was a lot of posts, but that's hockey!" said Barinka. "That's just how it is."

In the third period, pure opportunism was the name of the game on the 3-1 Czech goal. A forechecking Michal Teply fed Jonas Peterek in front of the Finnish net. He stickhandled in and then sent a short, cheeky forehand pass to Toman, who fired it home at 9:53.

With under three minutes left, Antti Saarela hit the iron yet again on the rush, and then banged into Parik, taking a goalie interference penalty. That hurt Suomi's hopes of pulling off a comeback.

"When people want to tie the game and the game takes your mind a little bit, sometimes that kind of thing happens," Rasanen said.

Finnish coach Mika Marttila called his timeout to regroup. It proved immaterial. Koffer added his second of the night on an unassisted backhander to make it 4-1 on the power play at 18:36.

The Finns were having trouble putting the puck in the net, so Czech assistant captain Simon Kubicek accidentally did them a favor on the 4-2 marker. He swept it into his own cage with 51 seconds left, and it was credited to Hatakka. Pulling Piiroinen for the extra attacker was too little, too late. 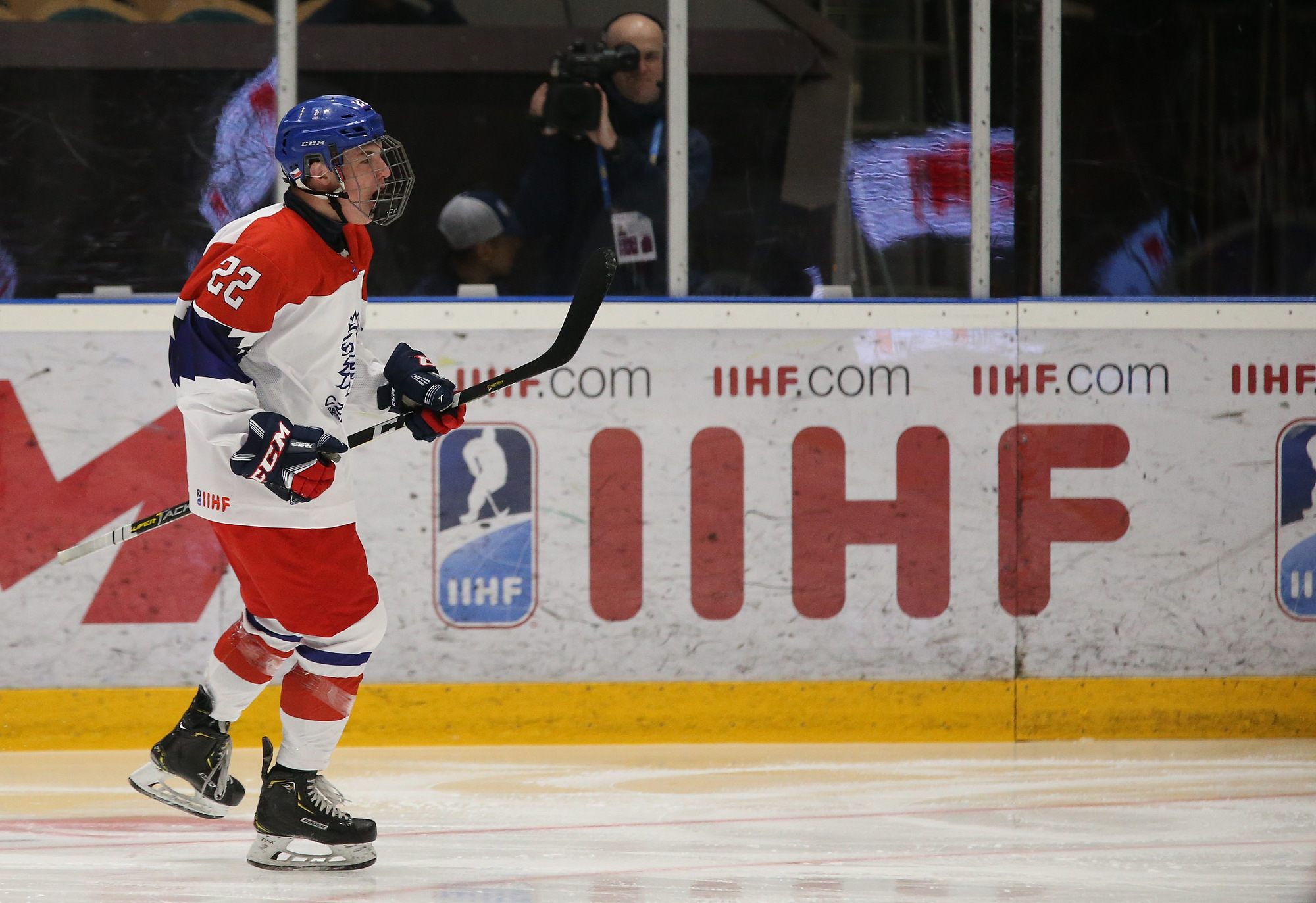 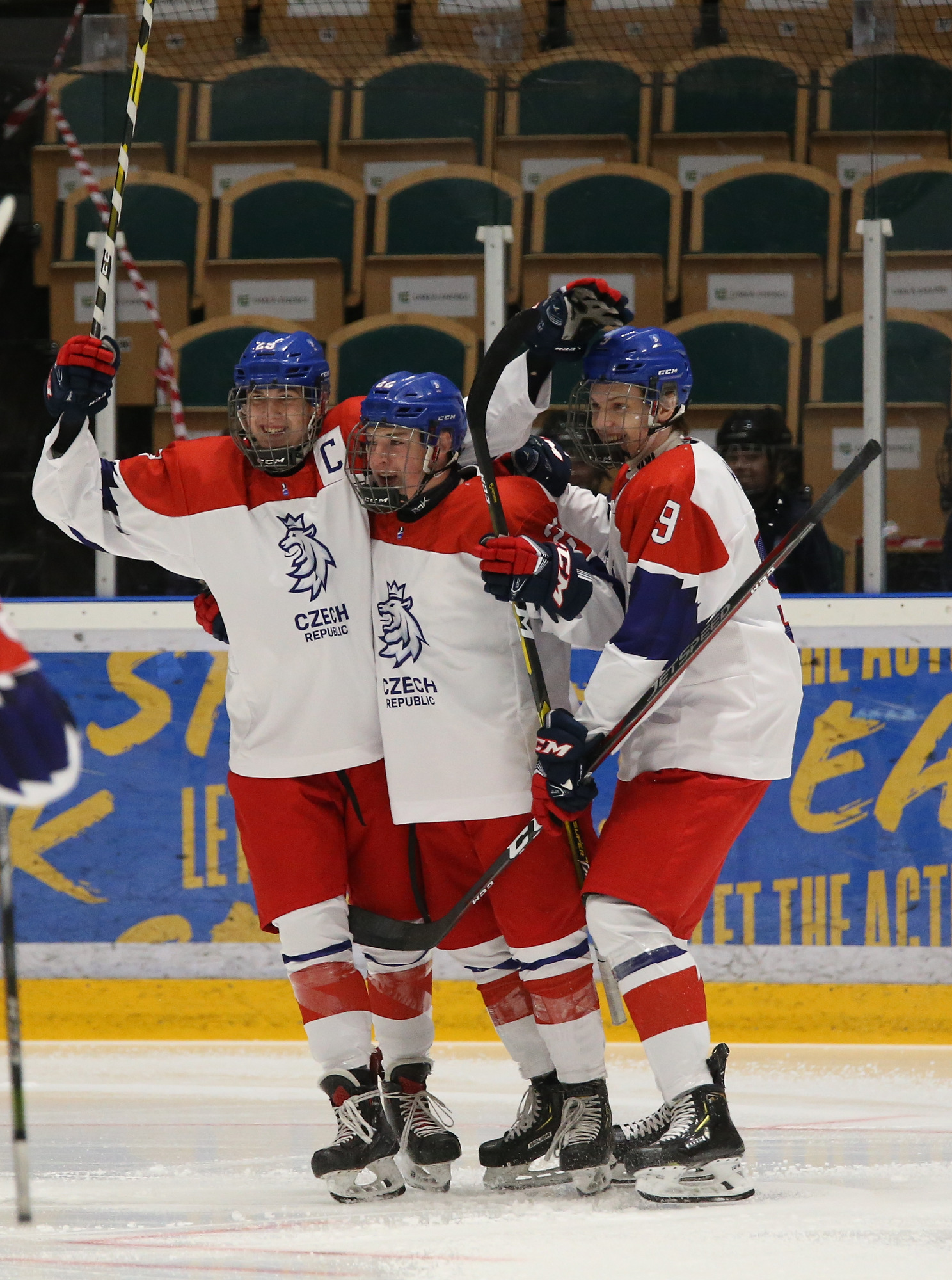 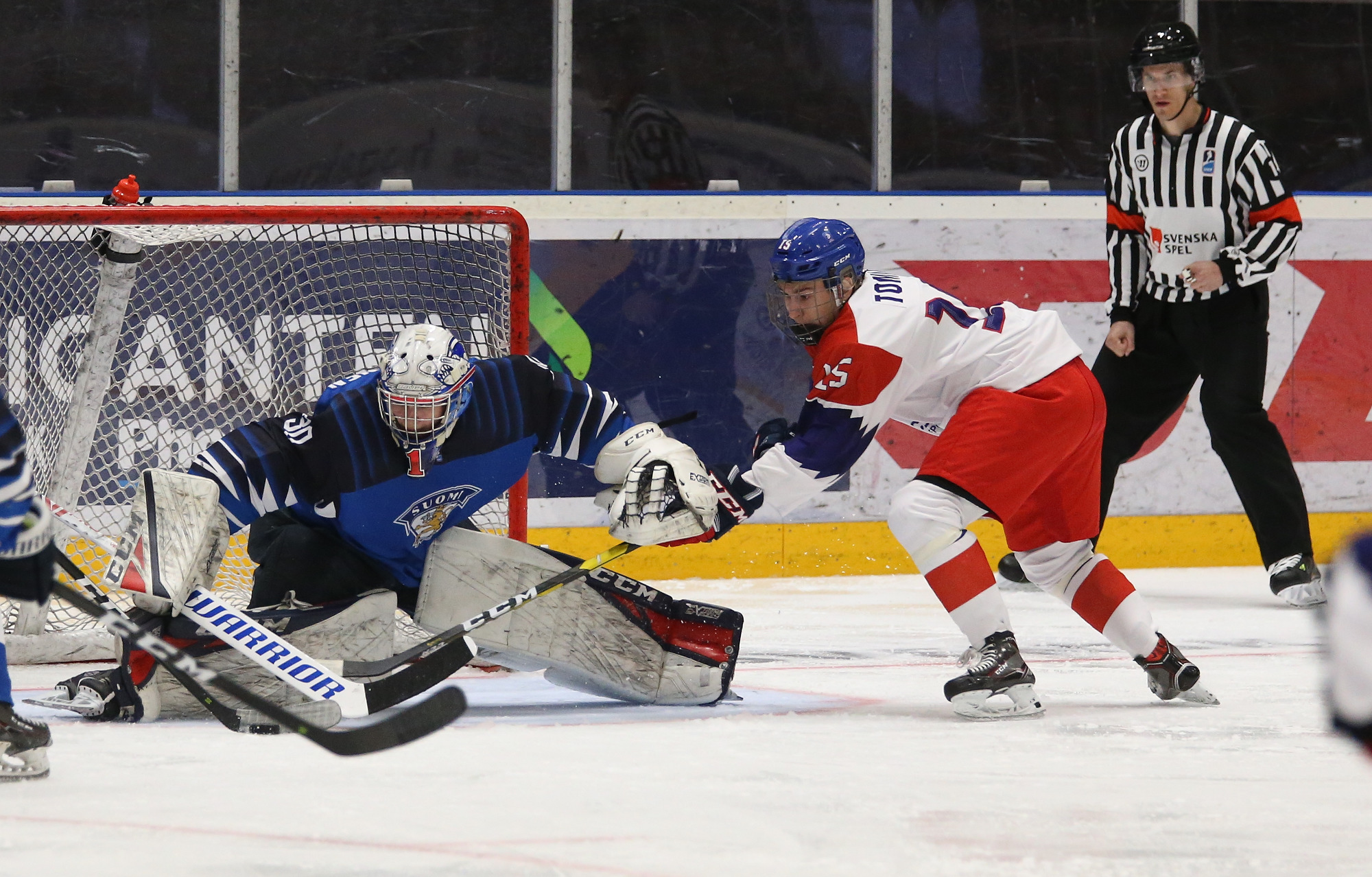 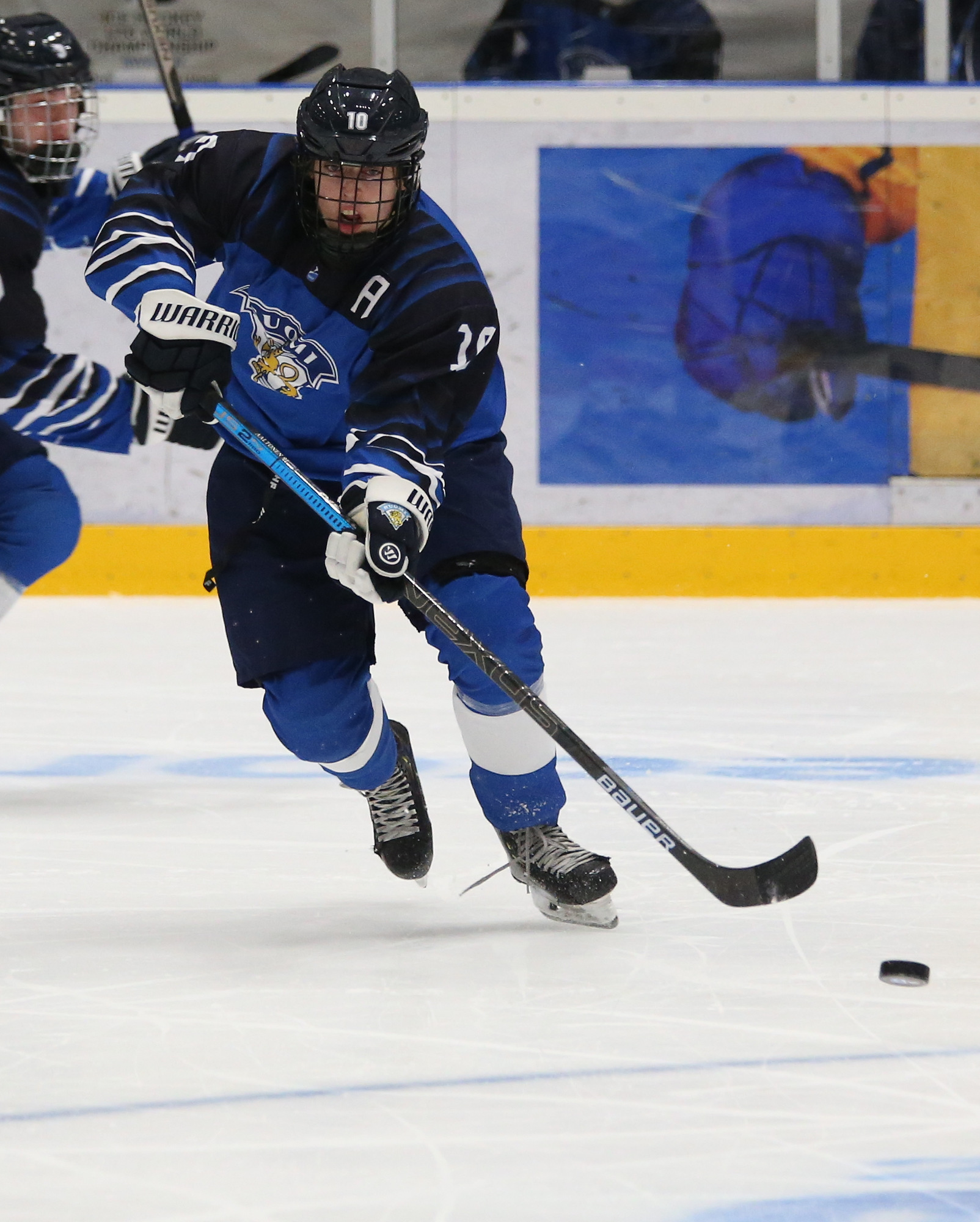 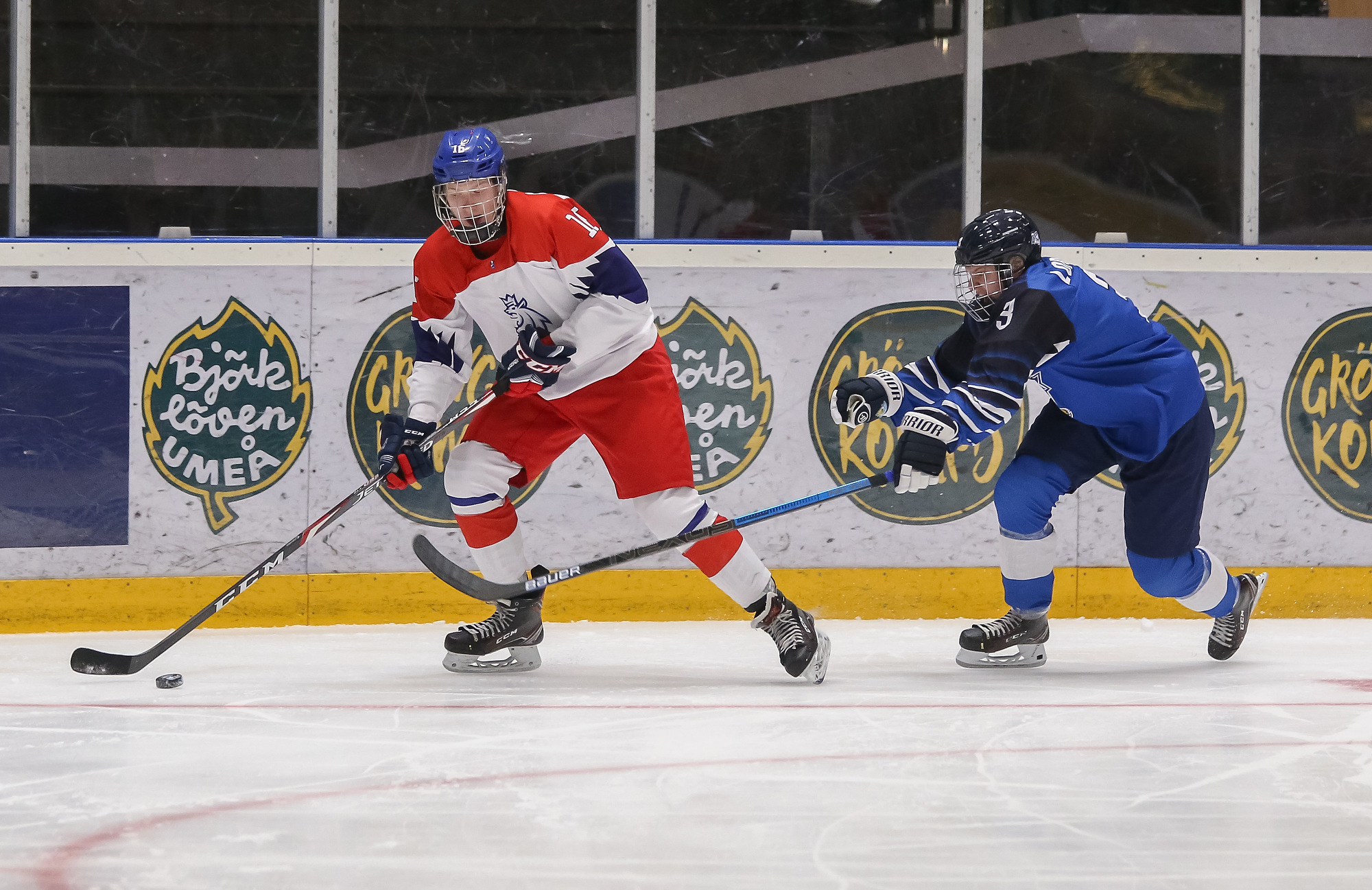 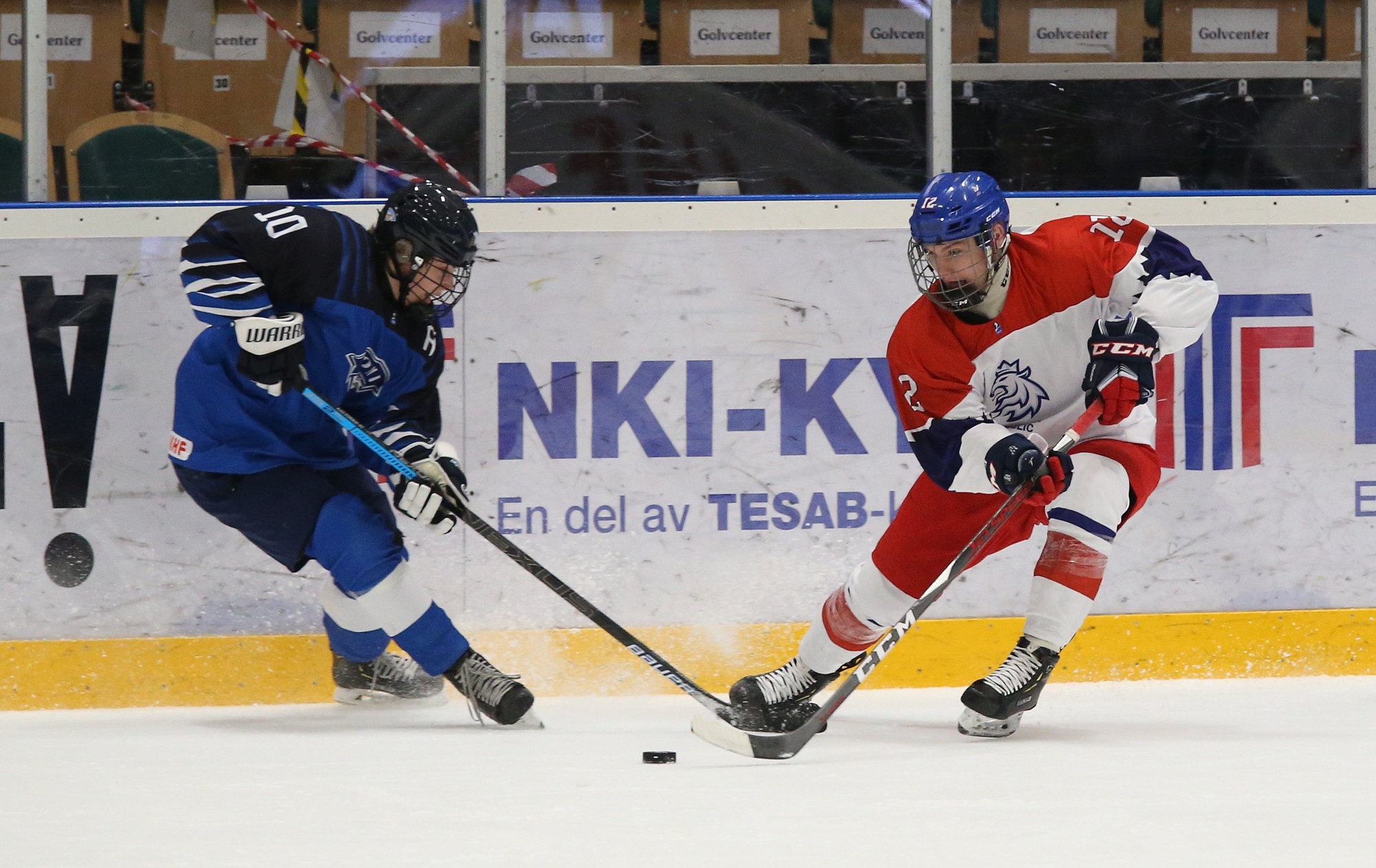 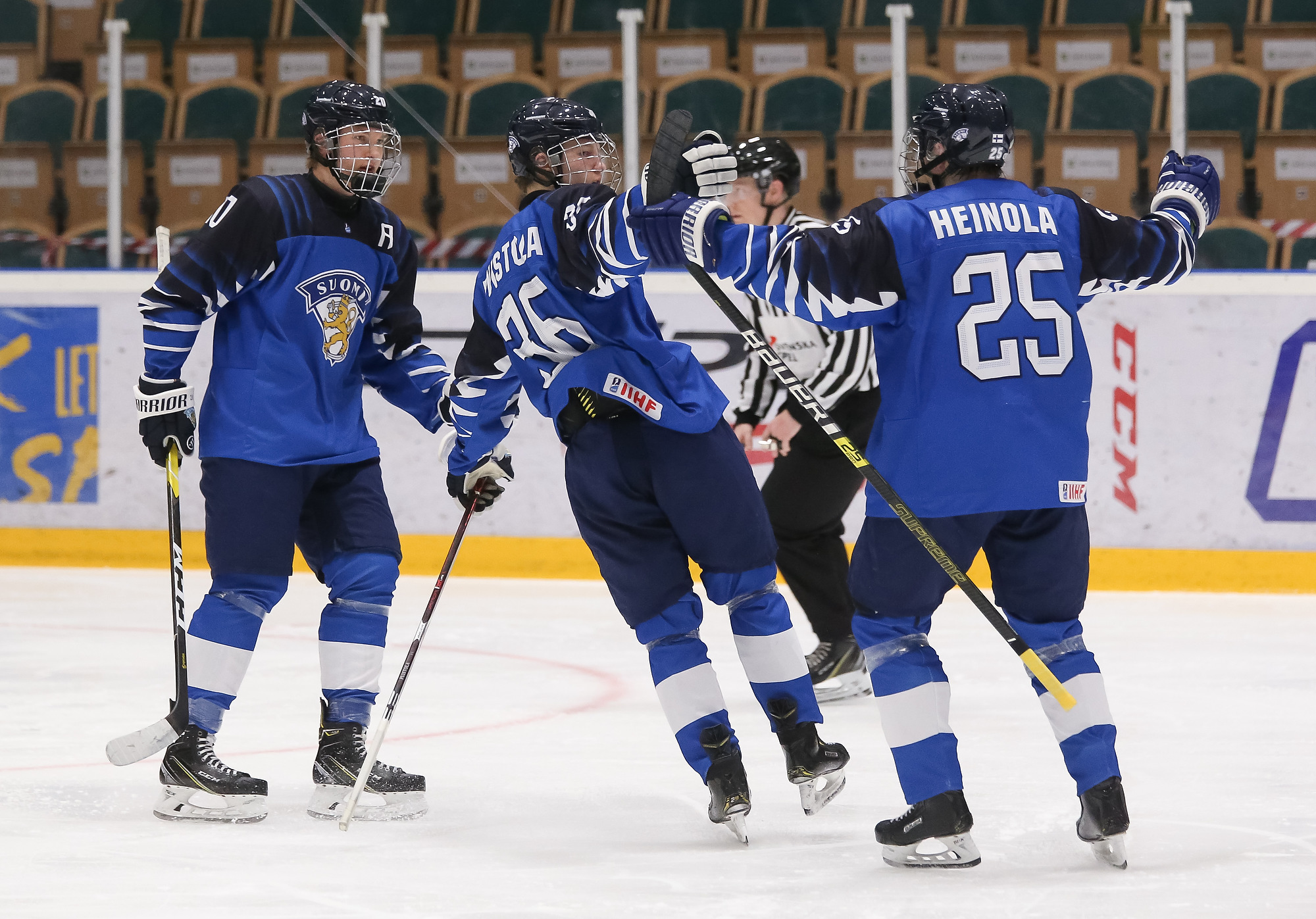 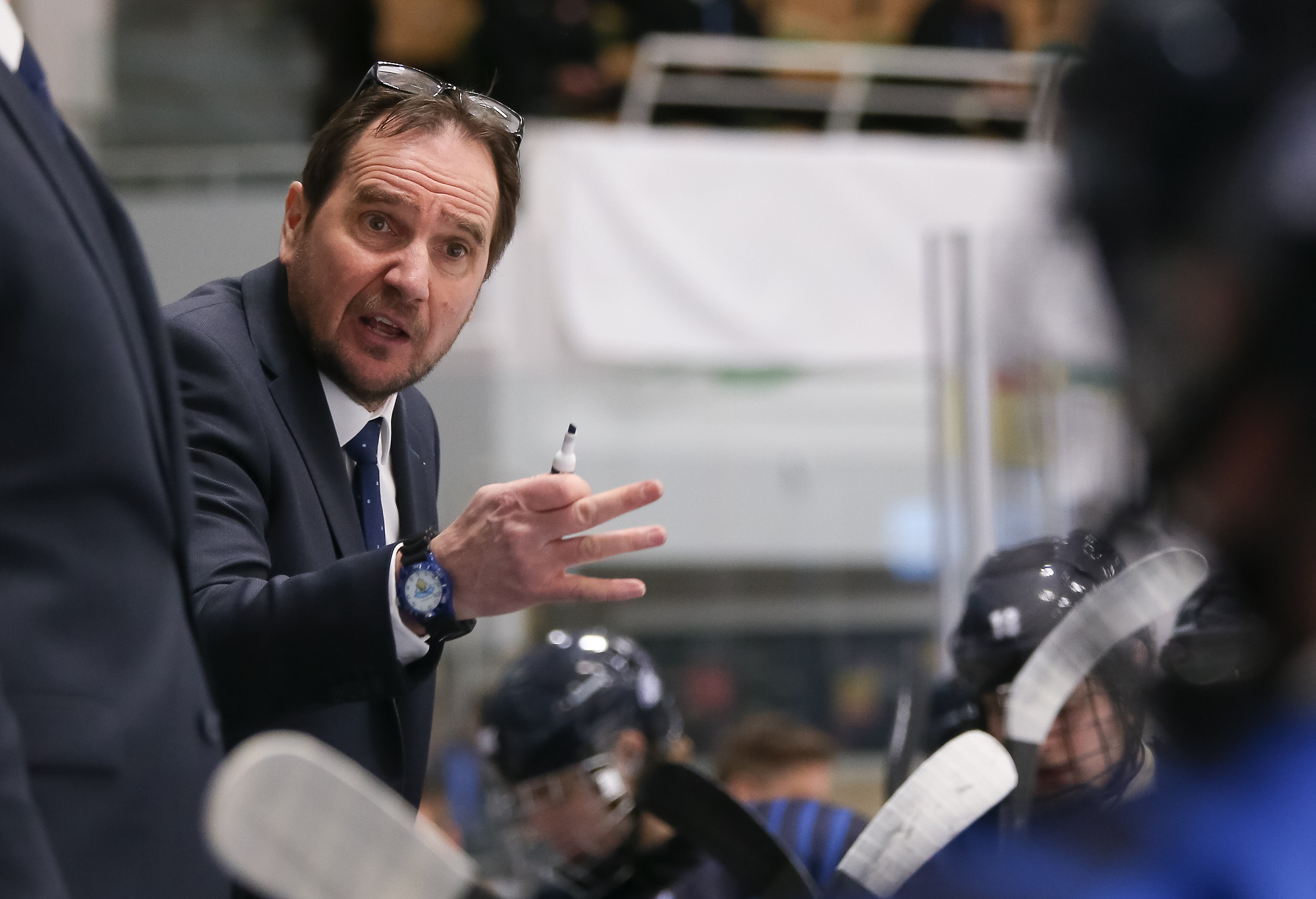 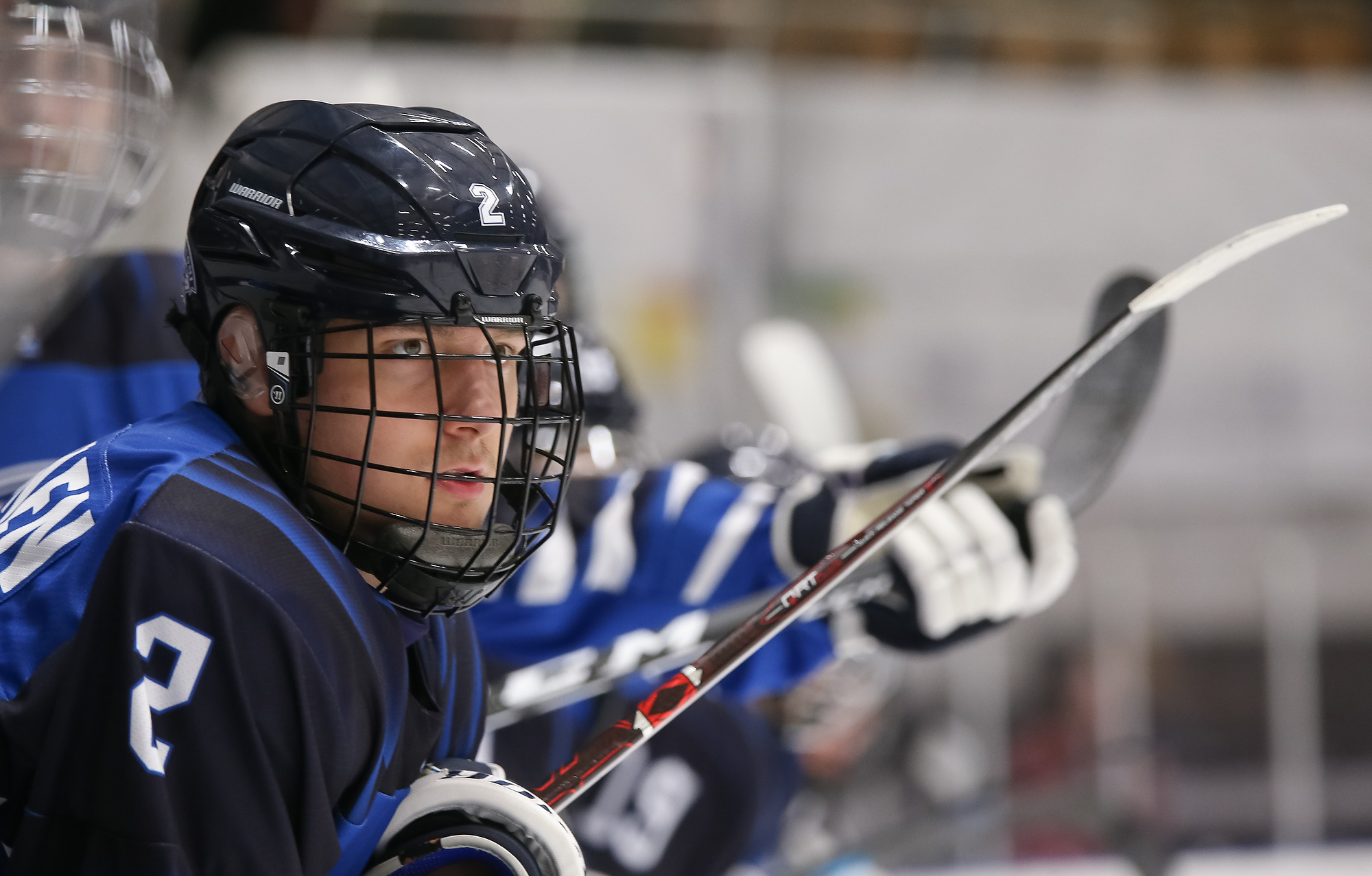 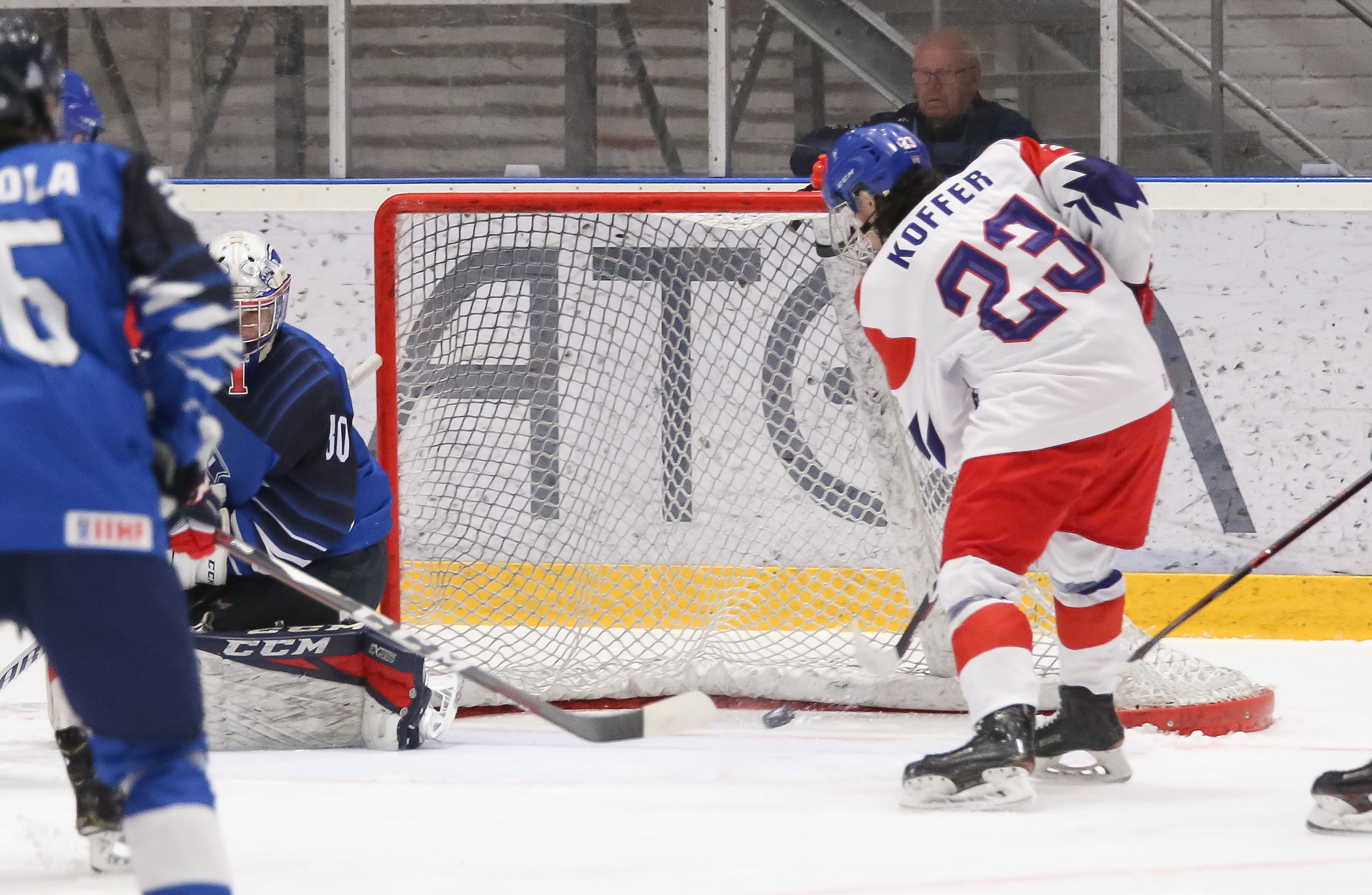 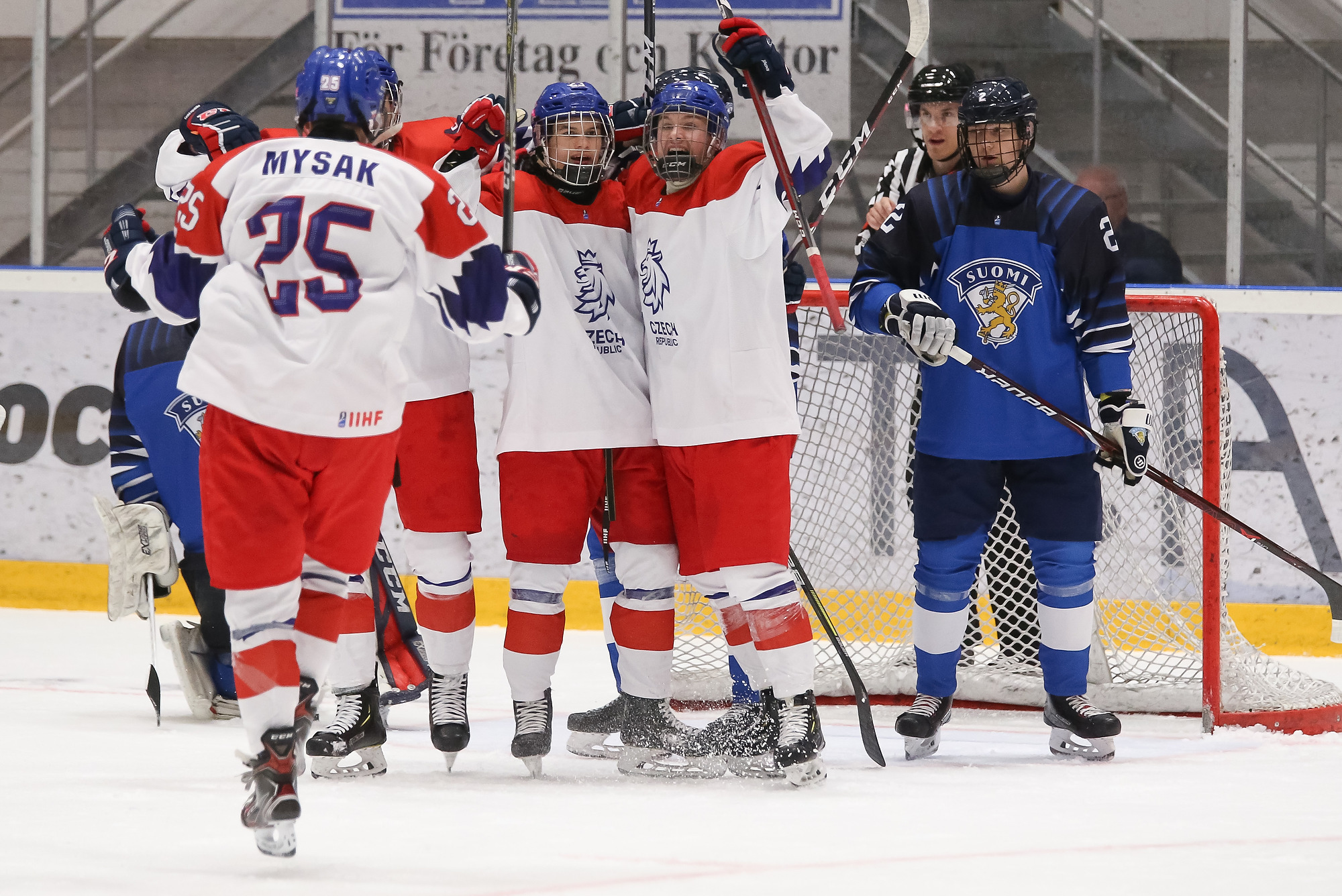 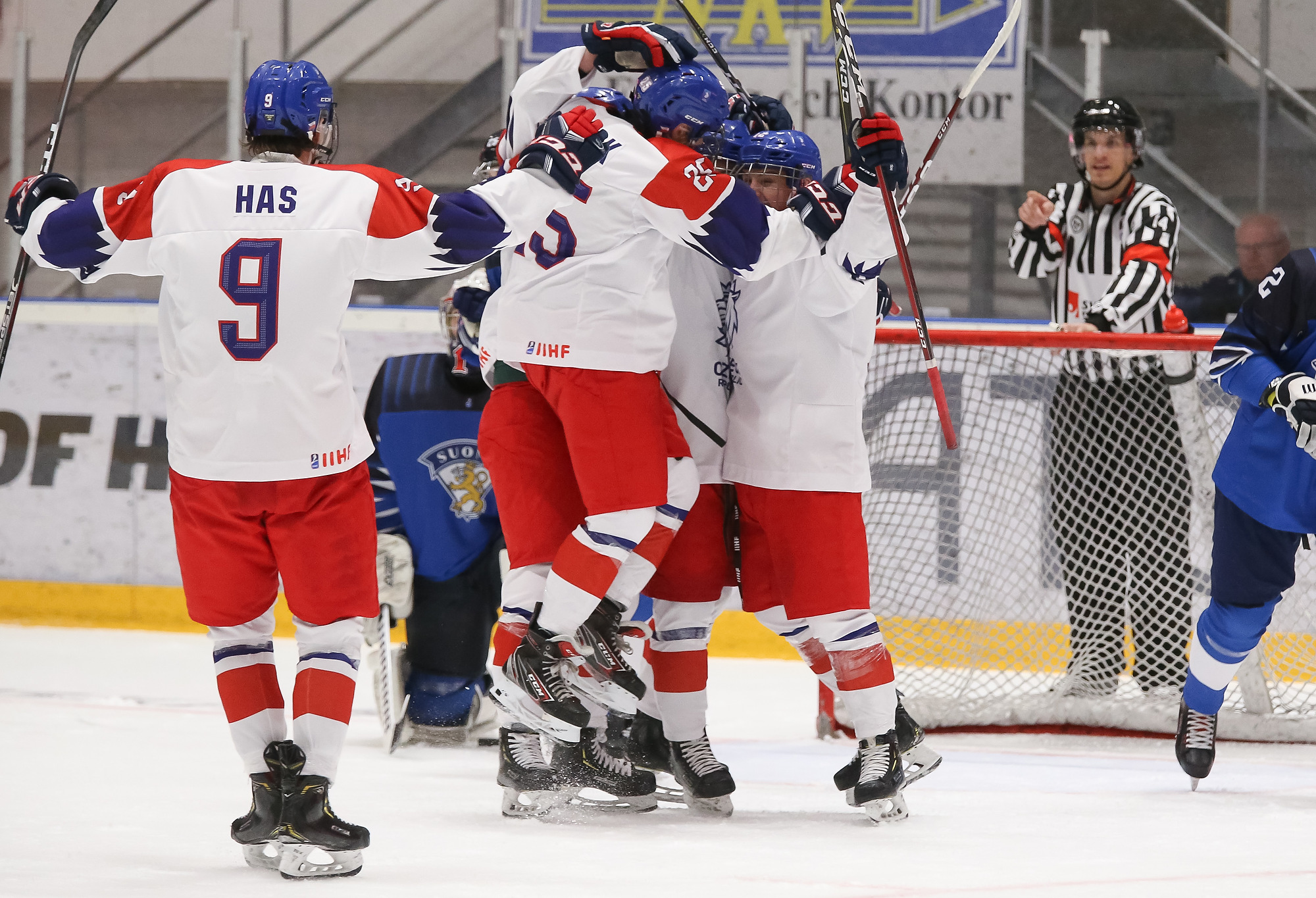 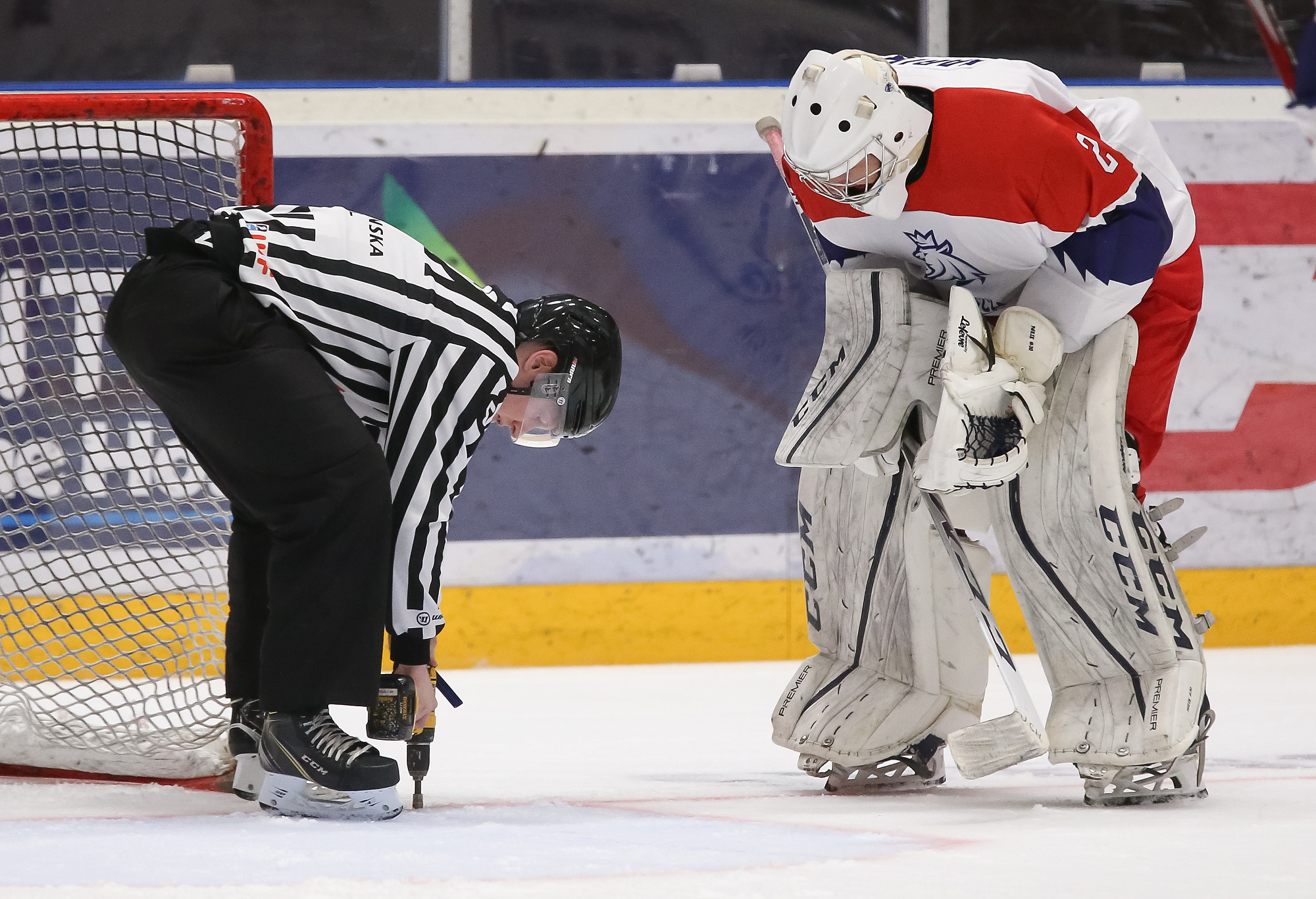 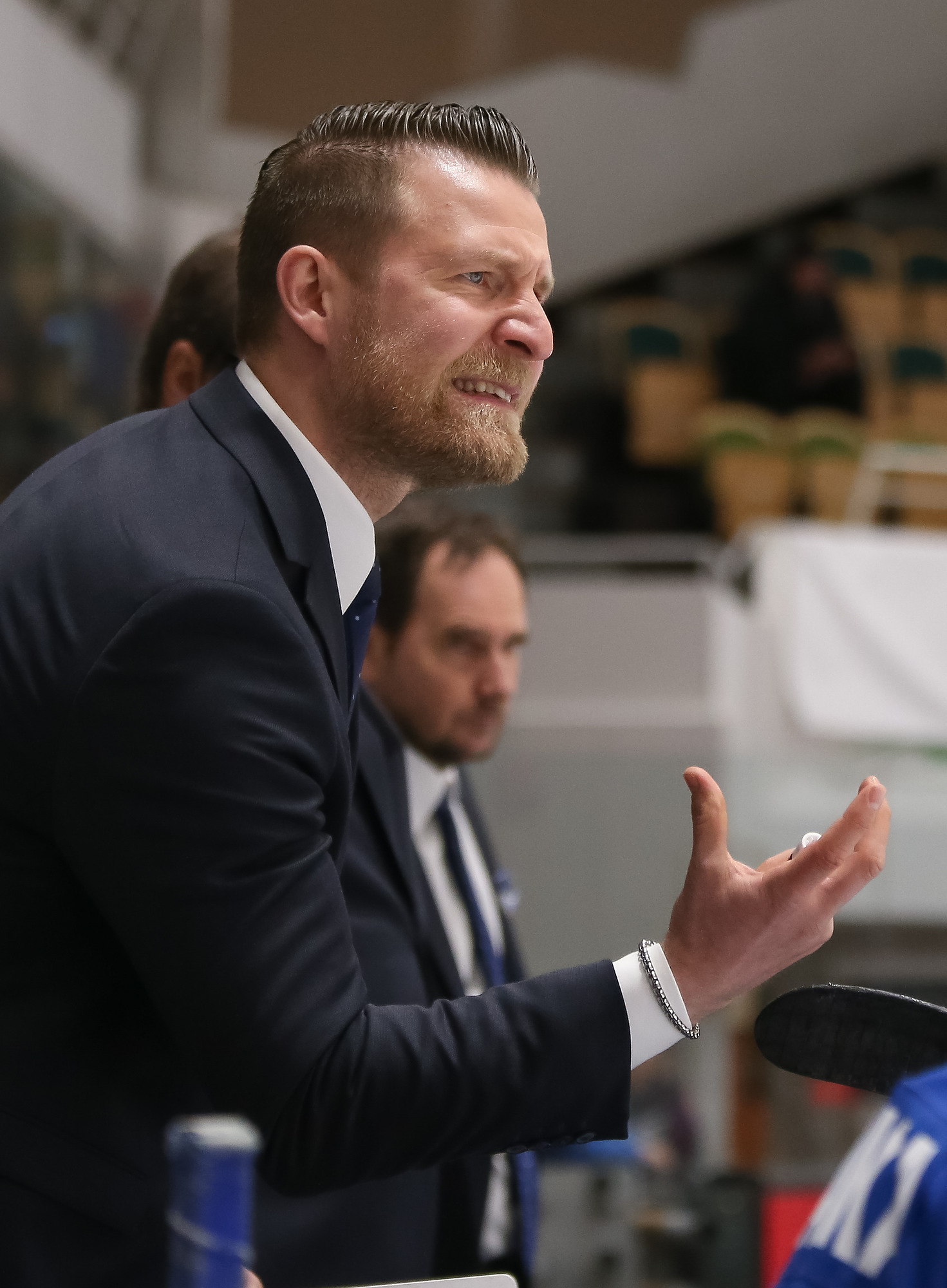 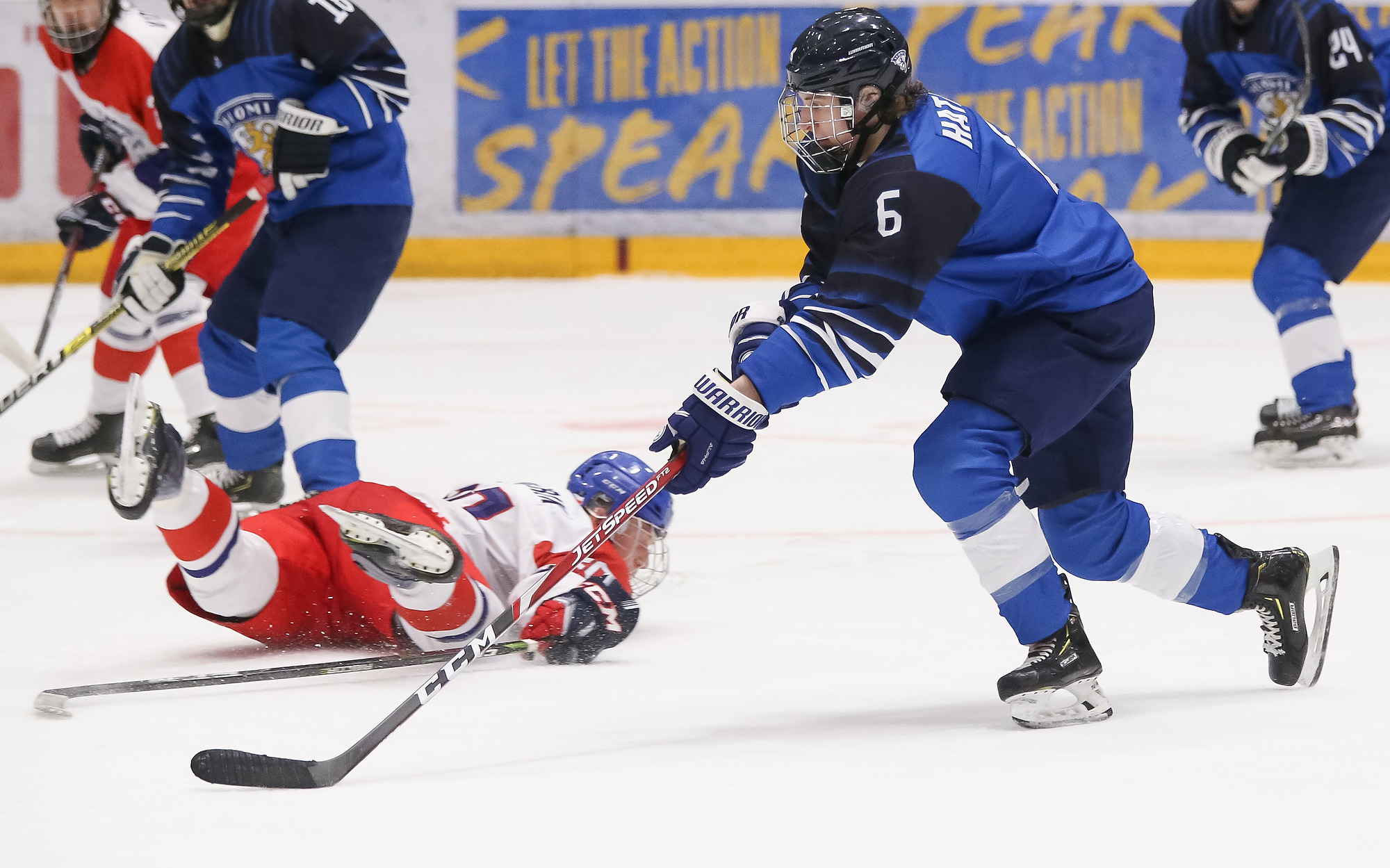 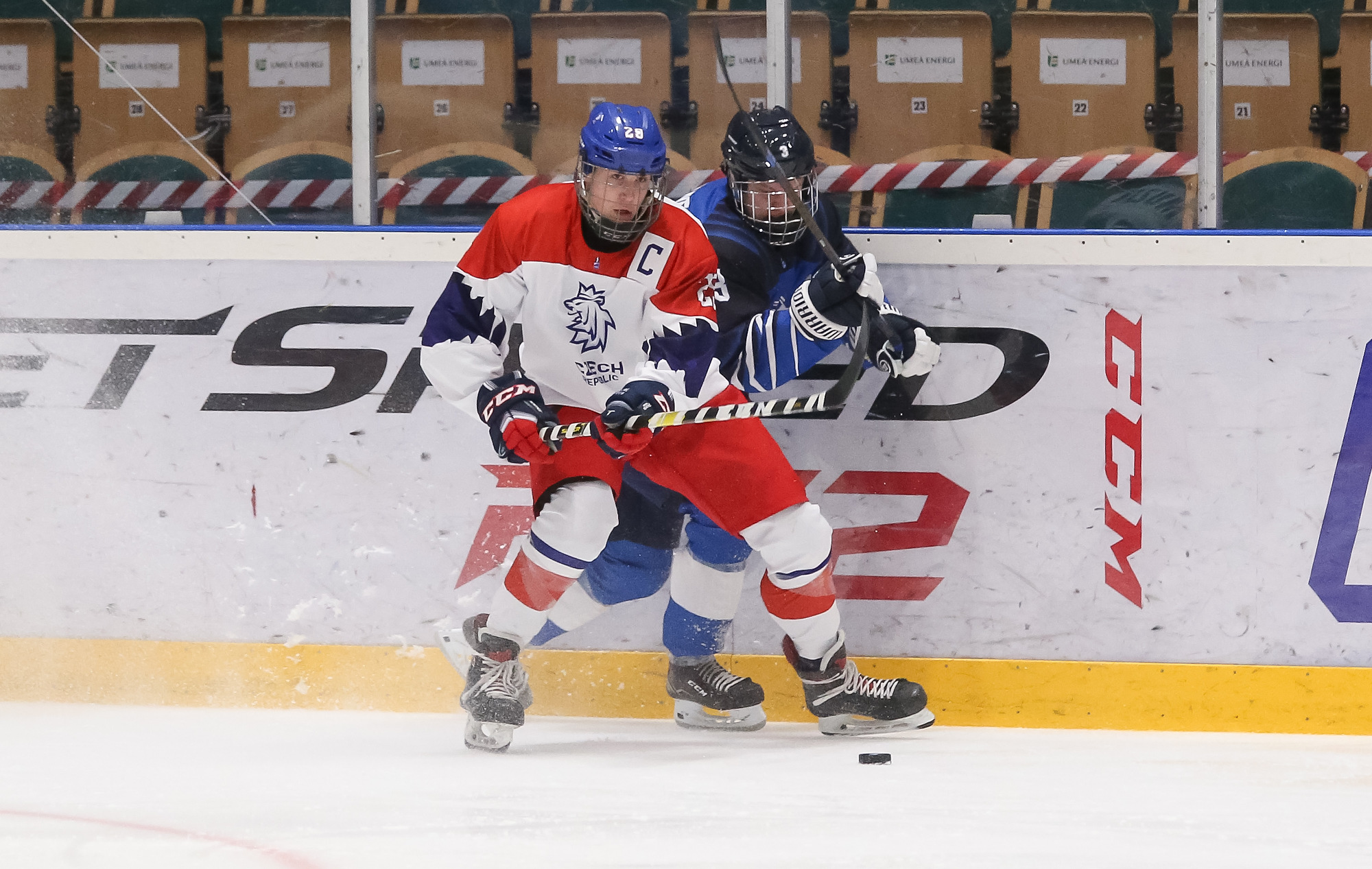 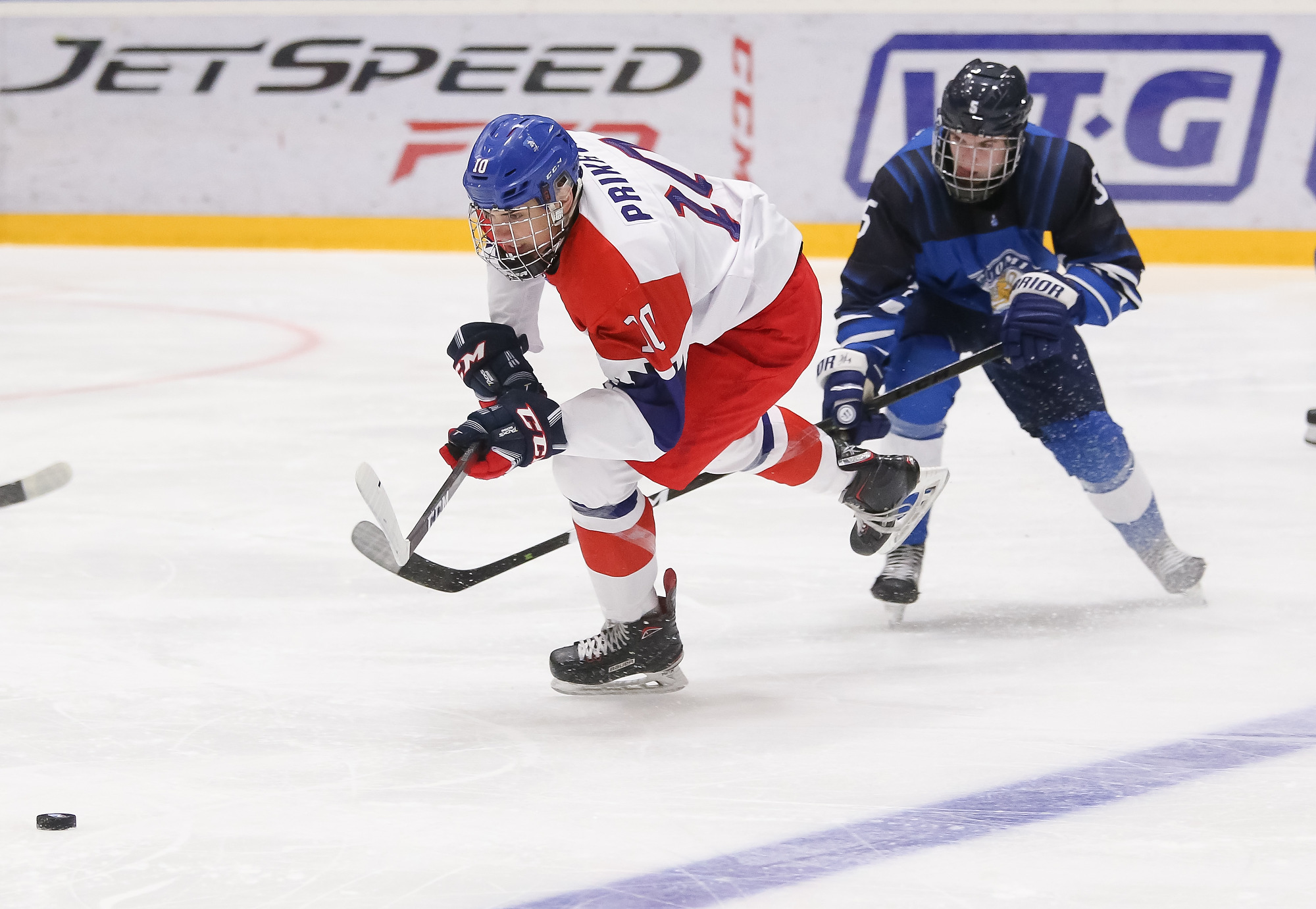 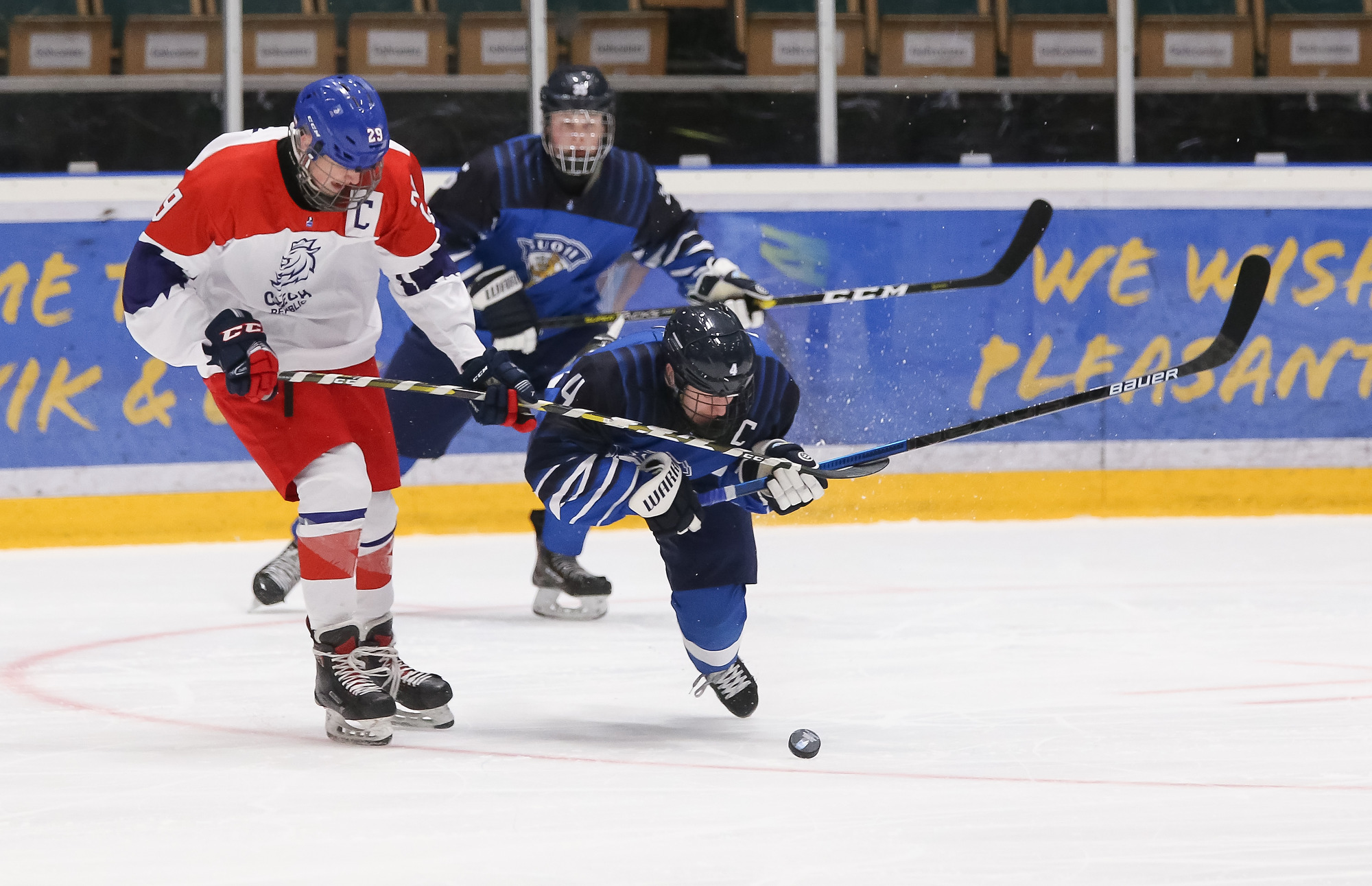 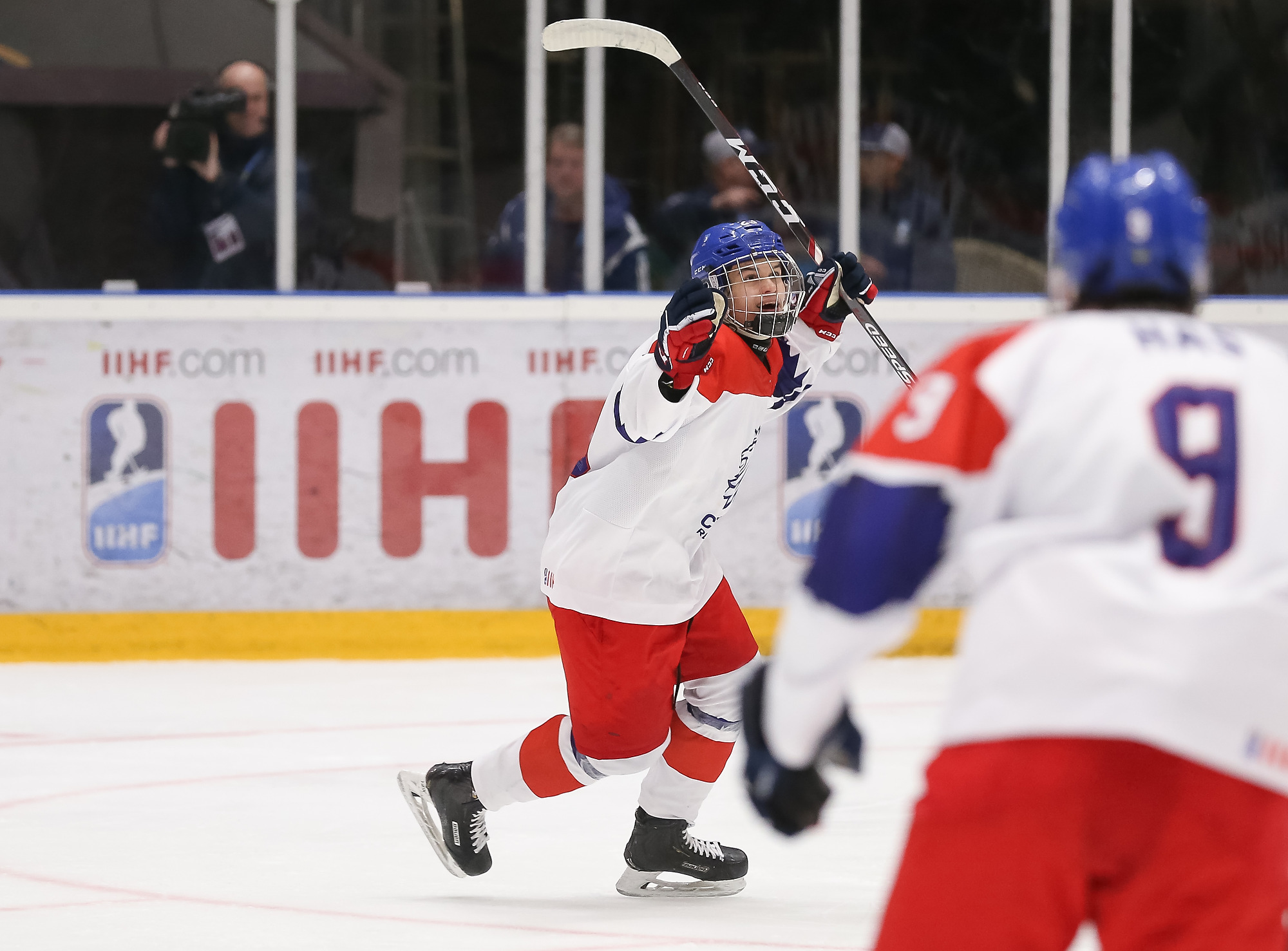 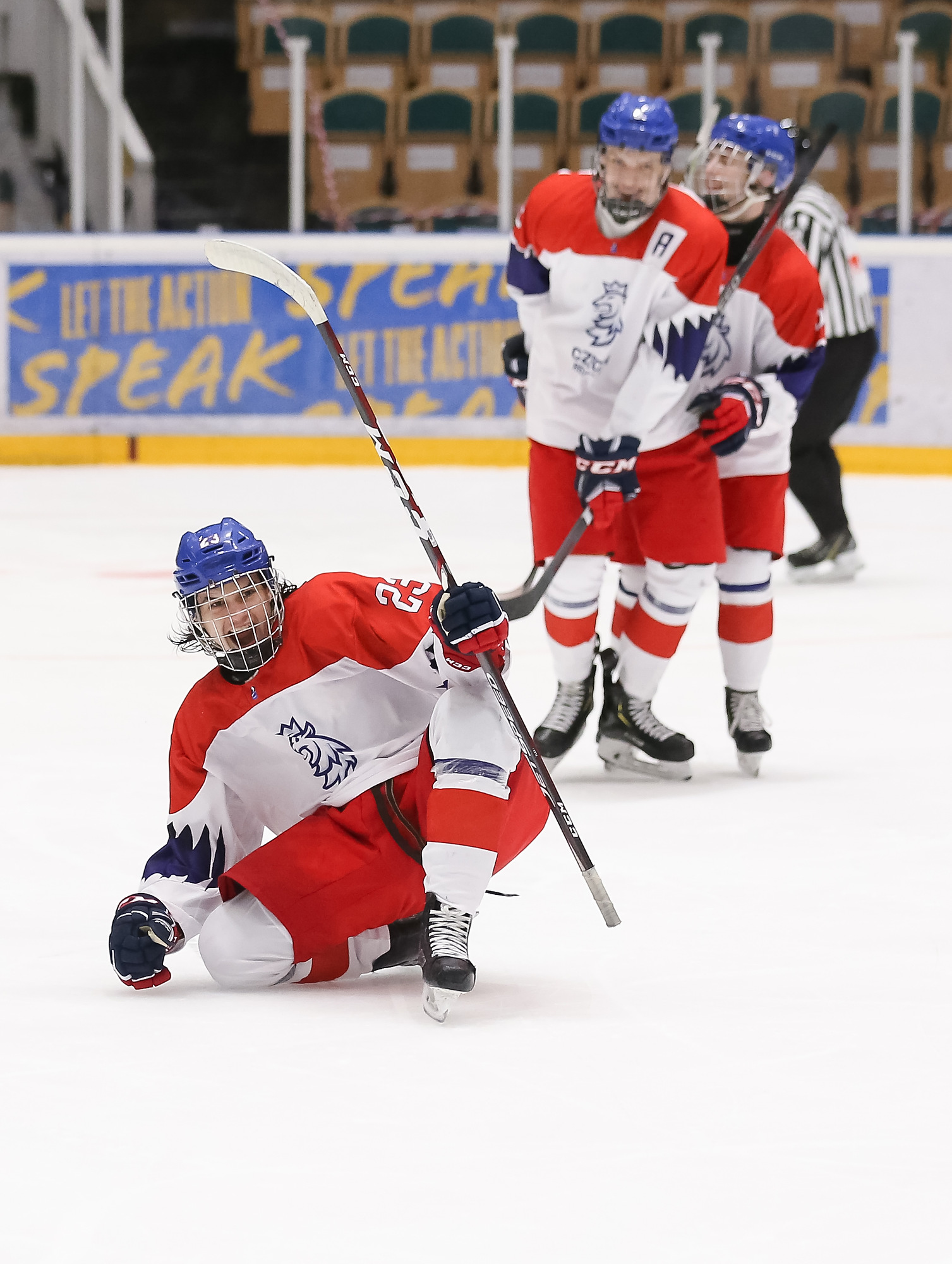 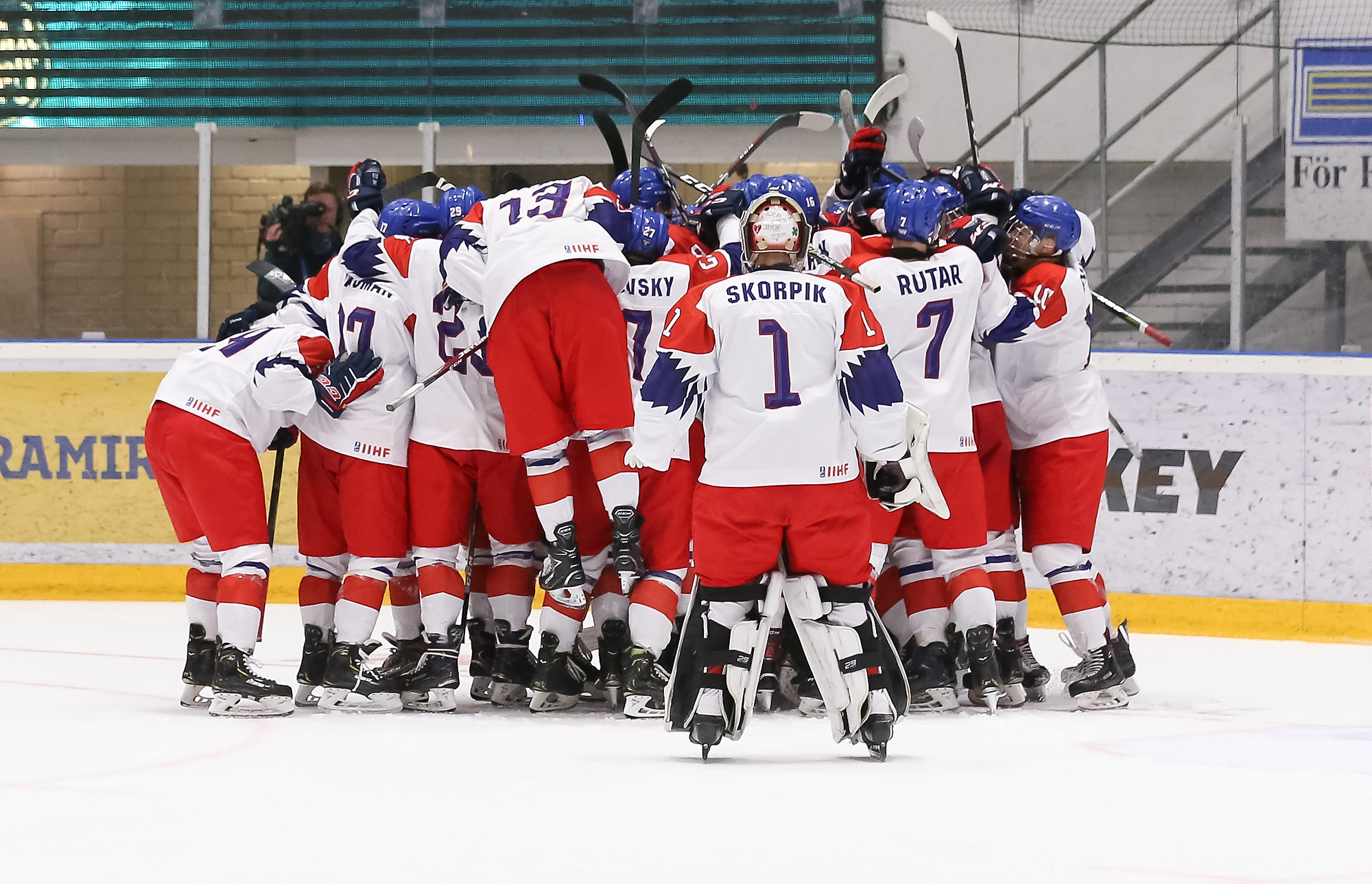 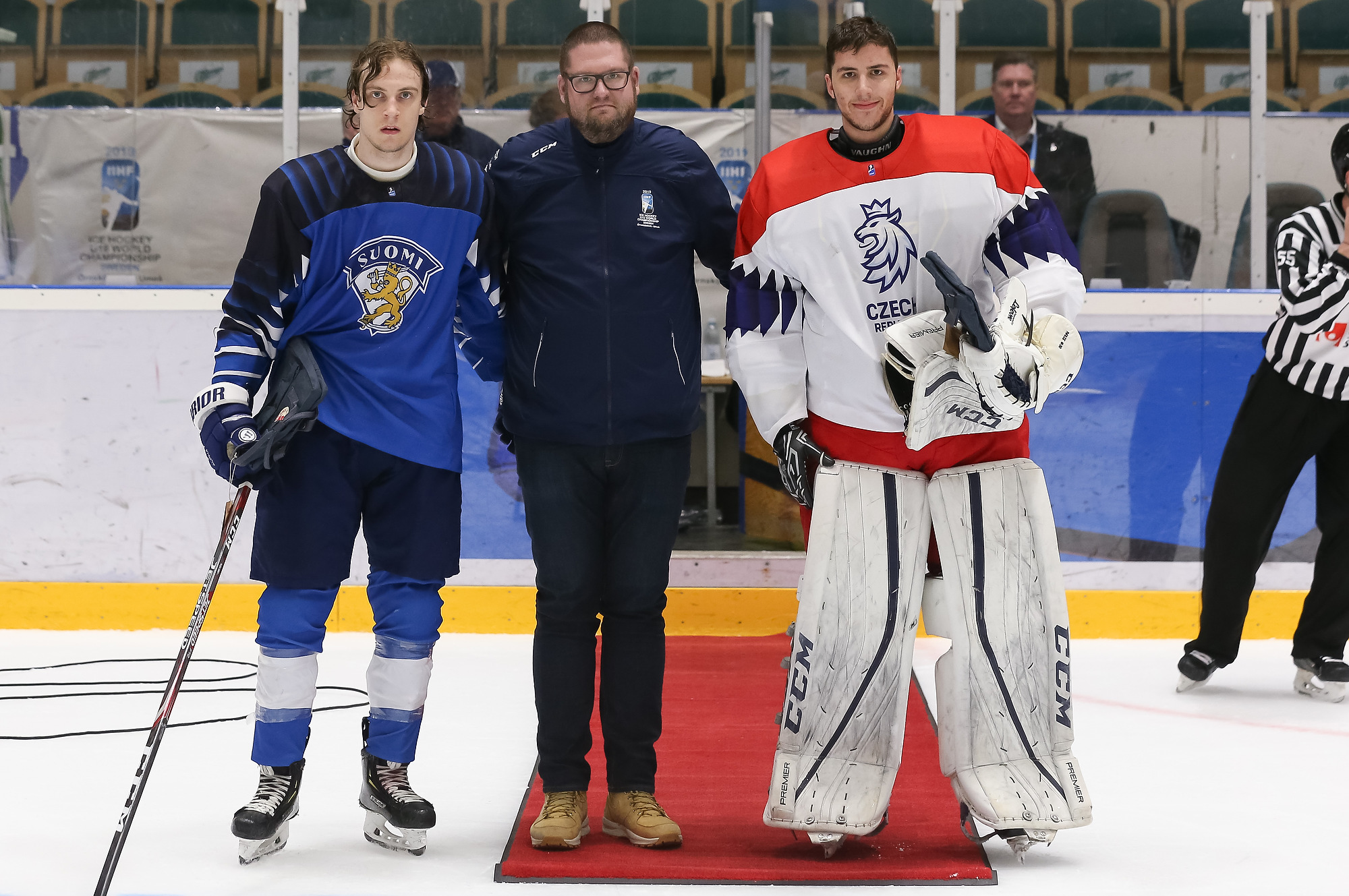 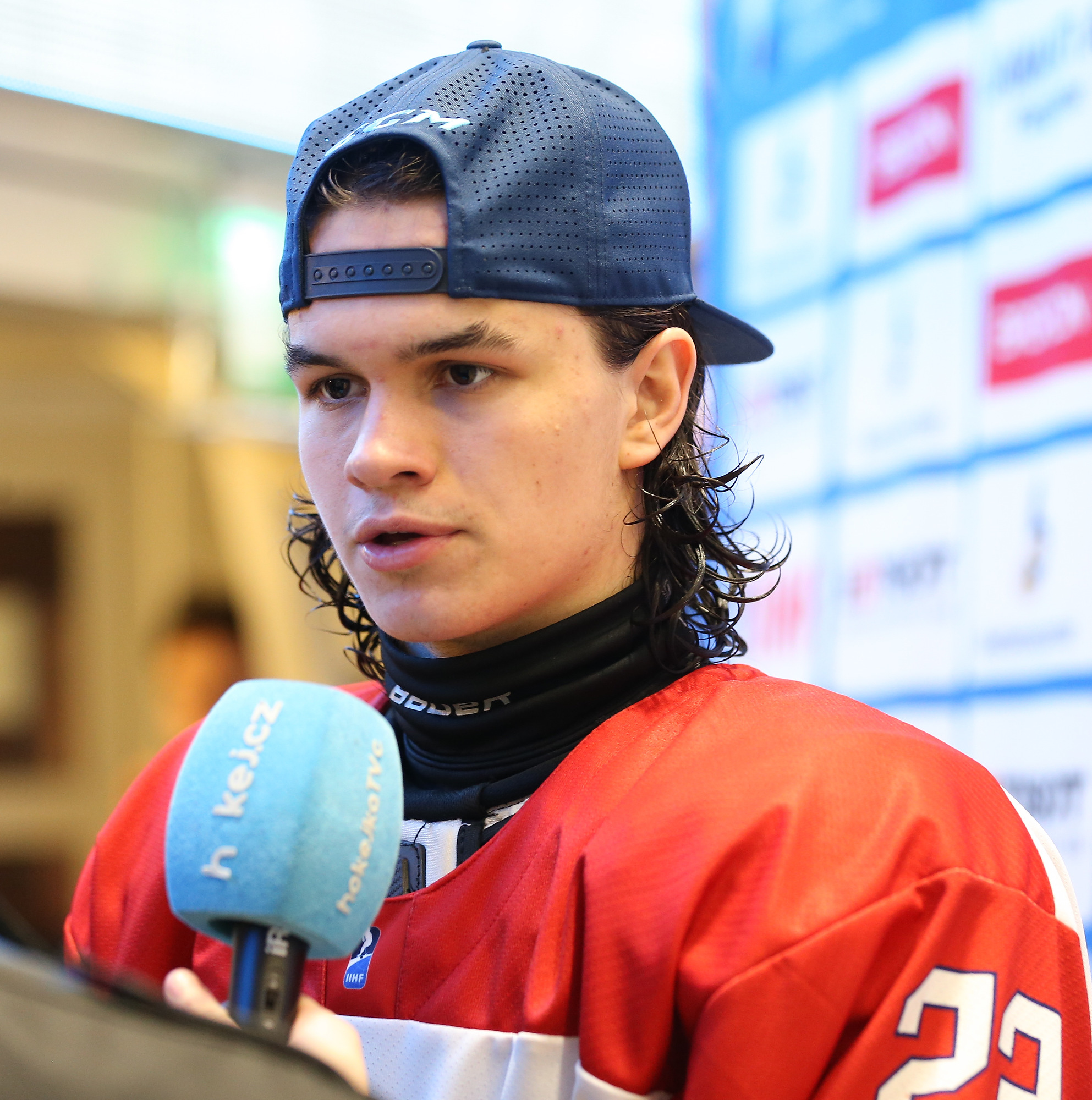 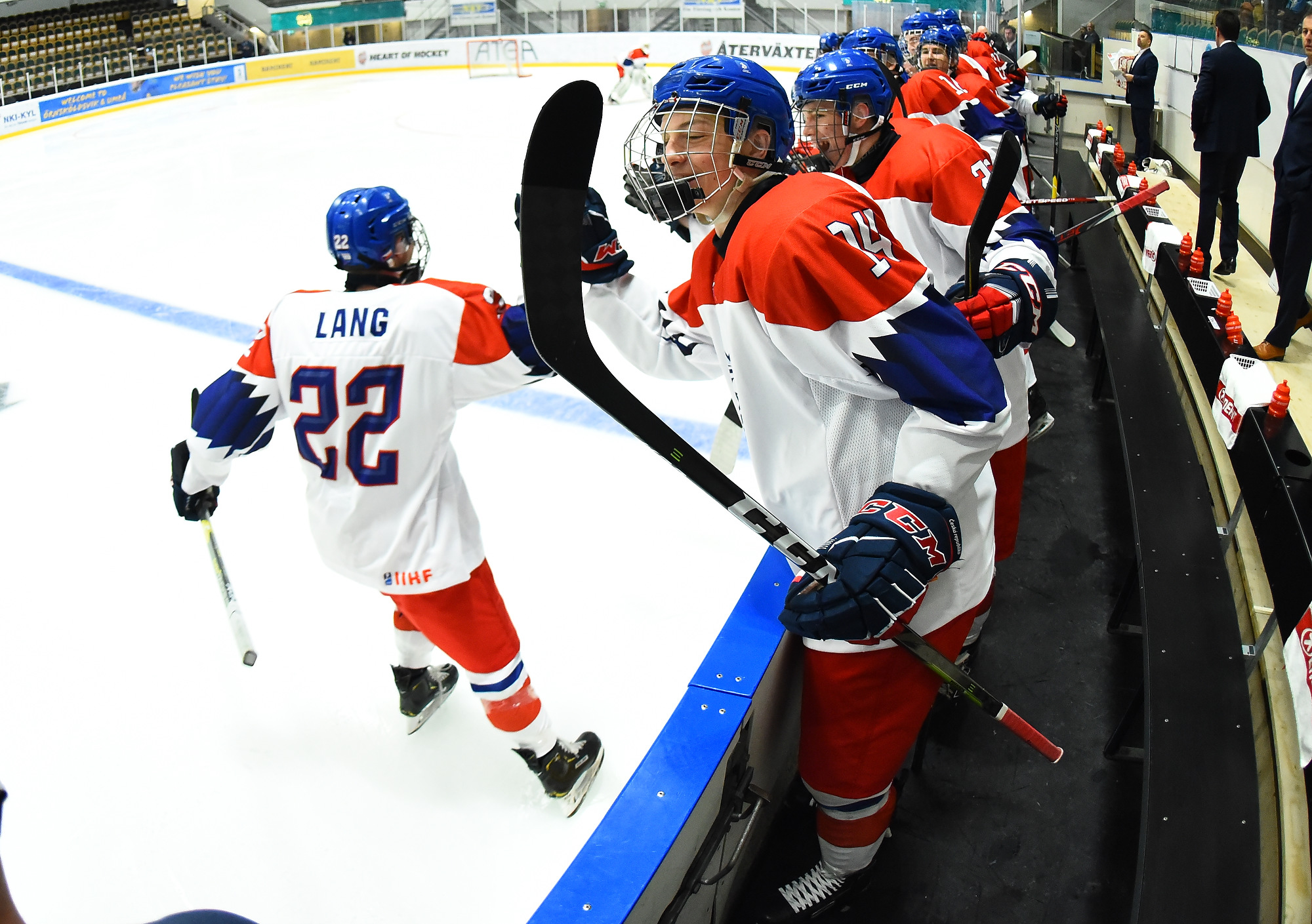 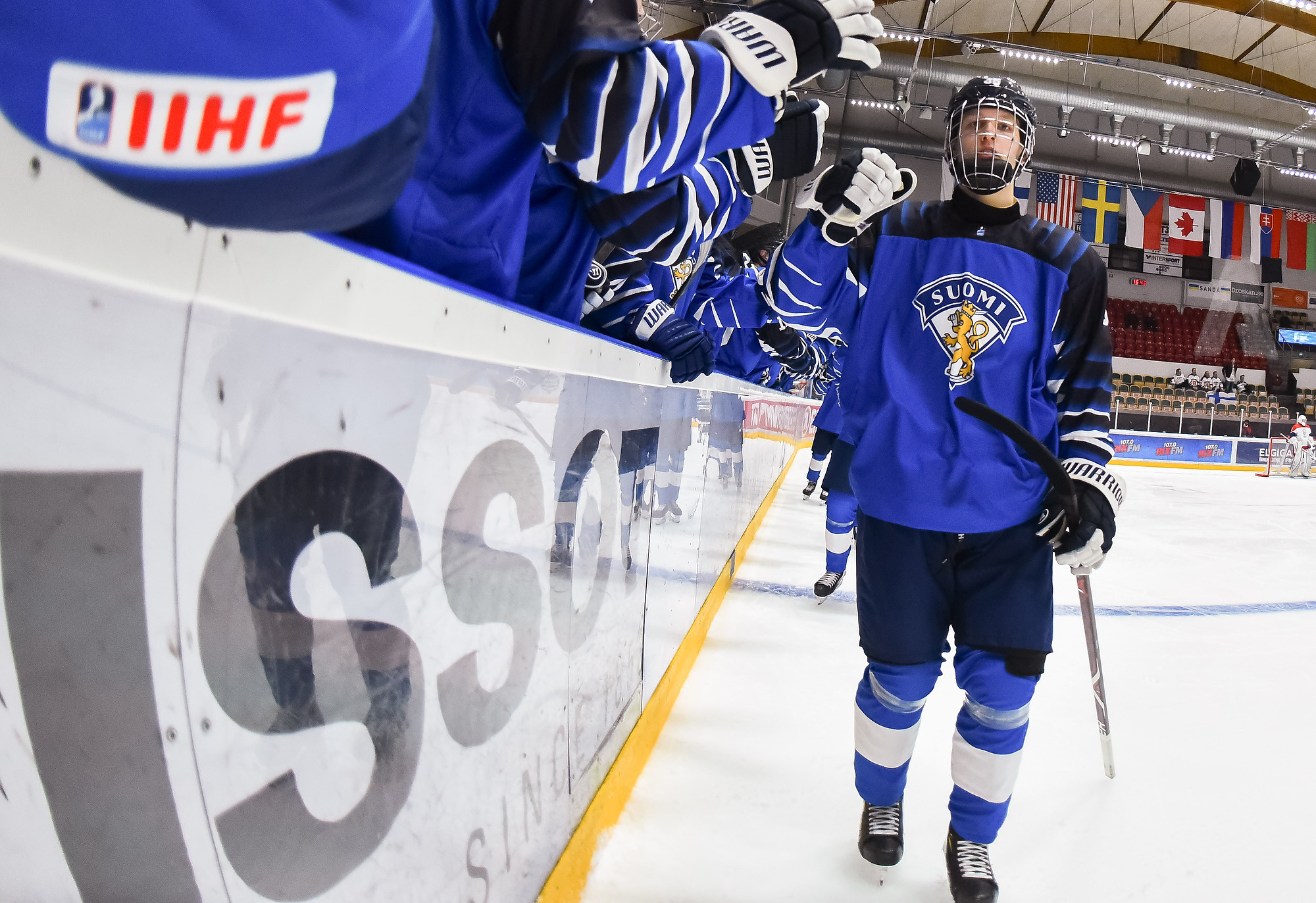 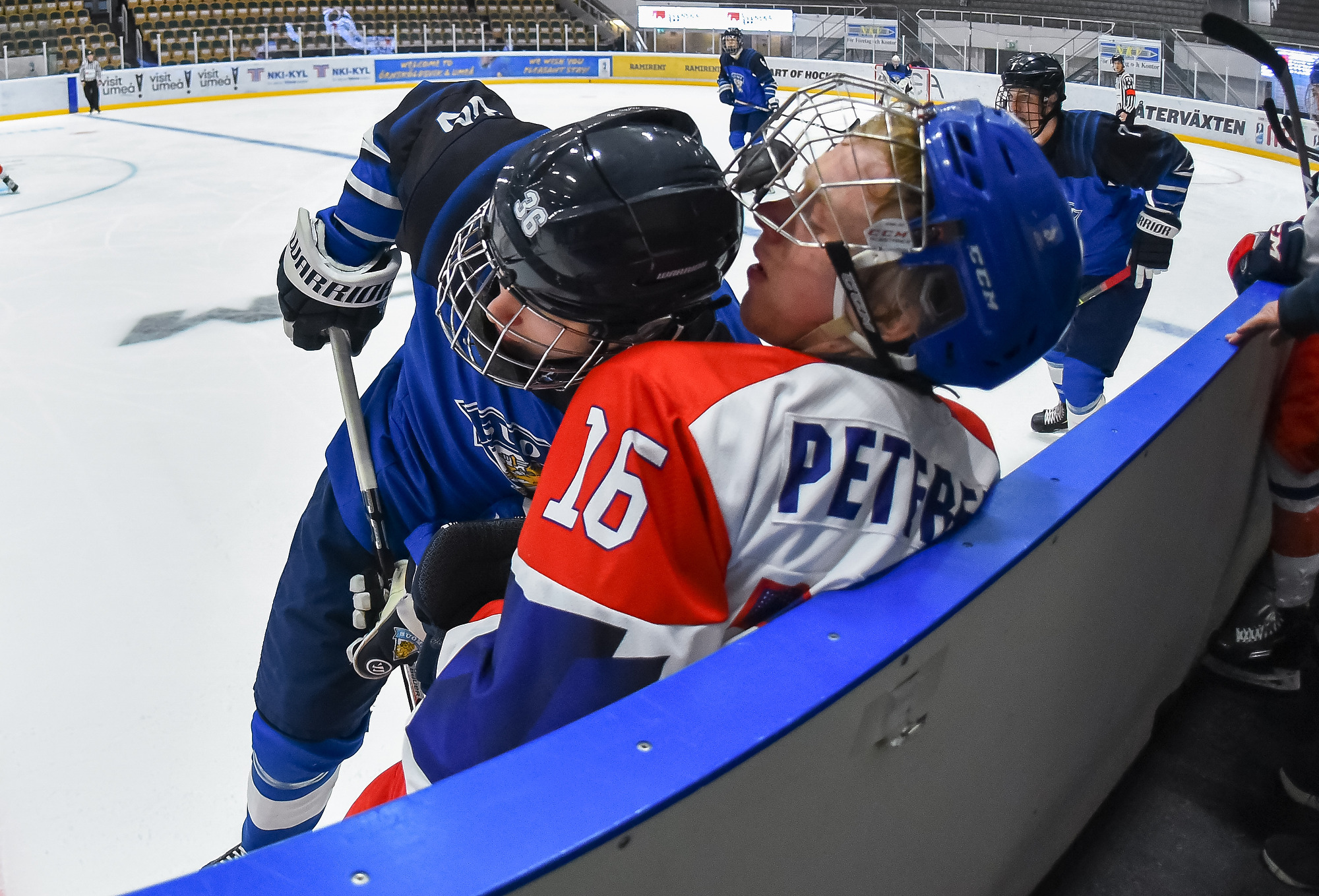 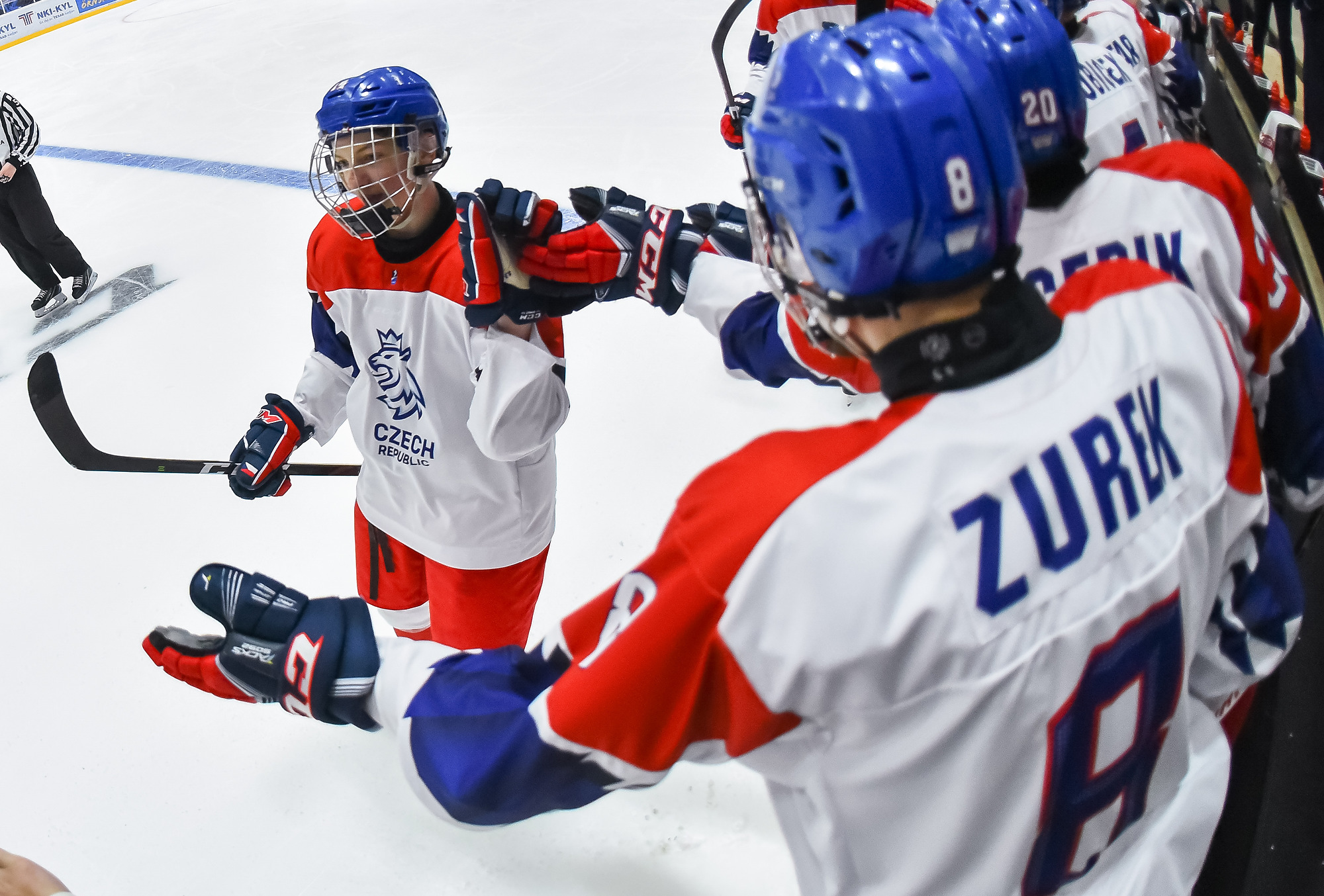 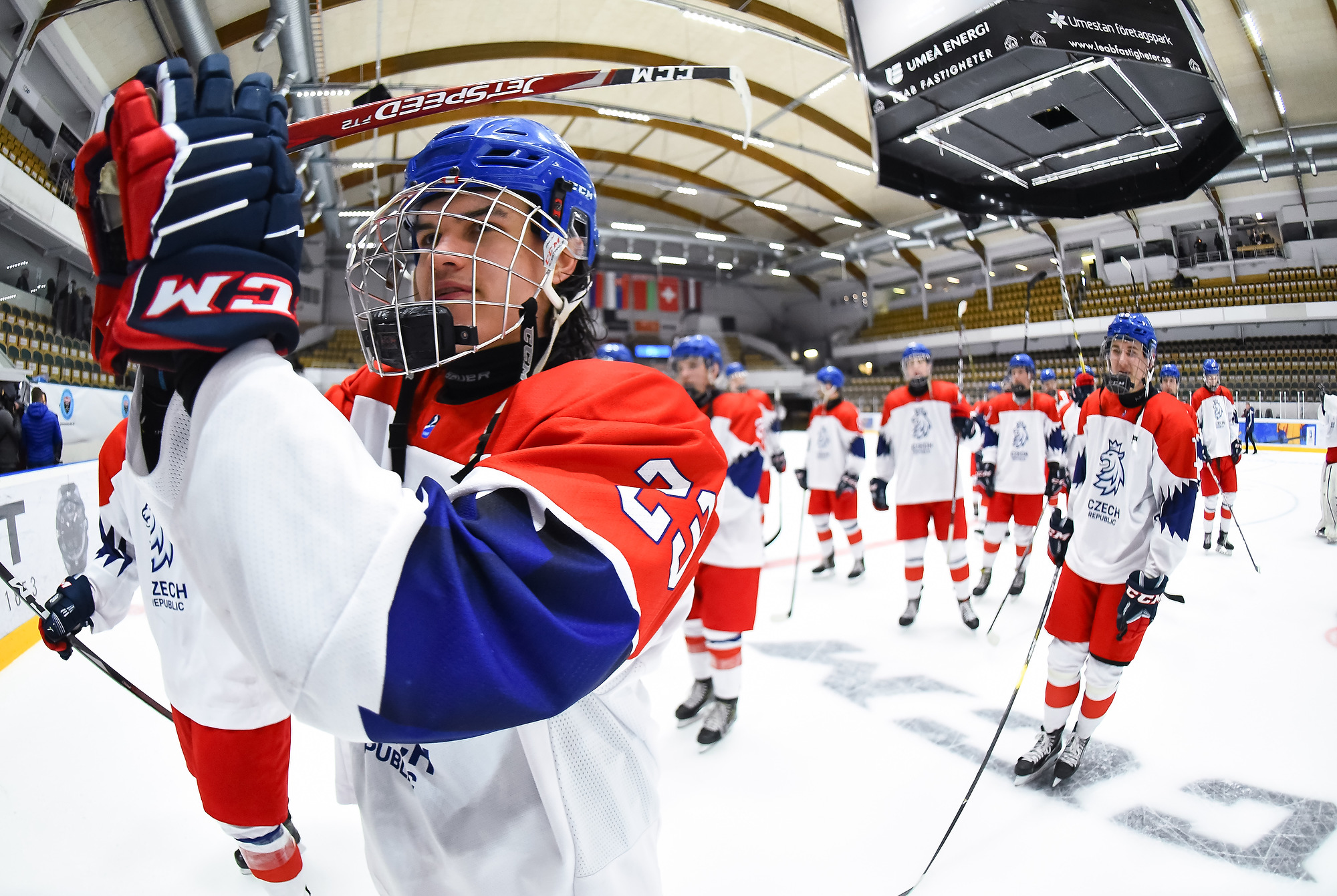 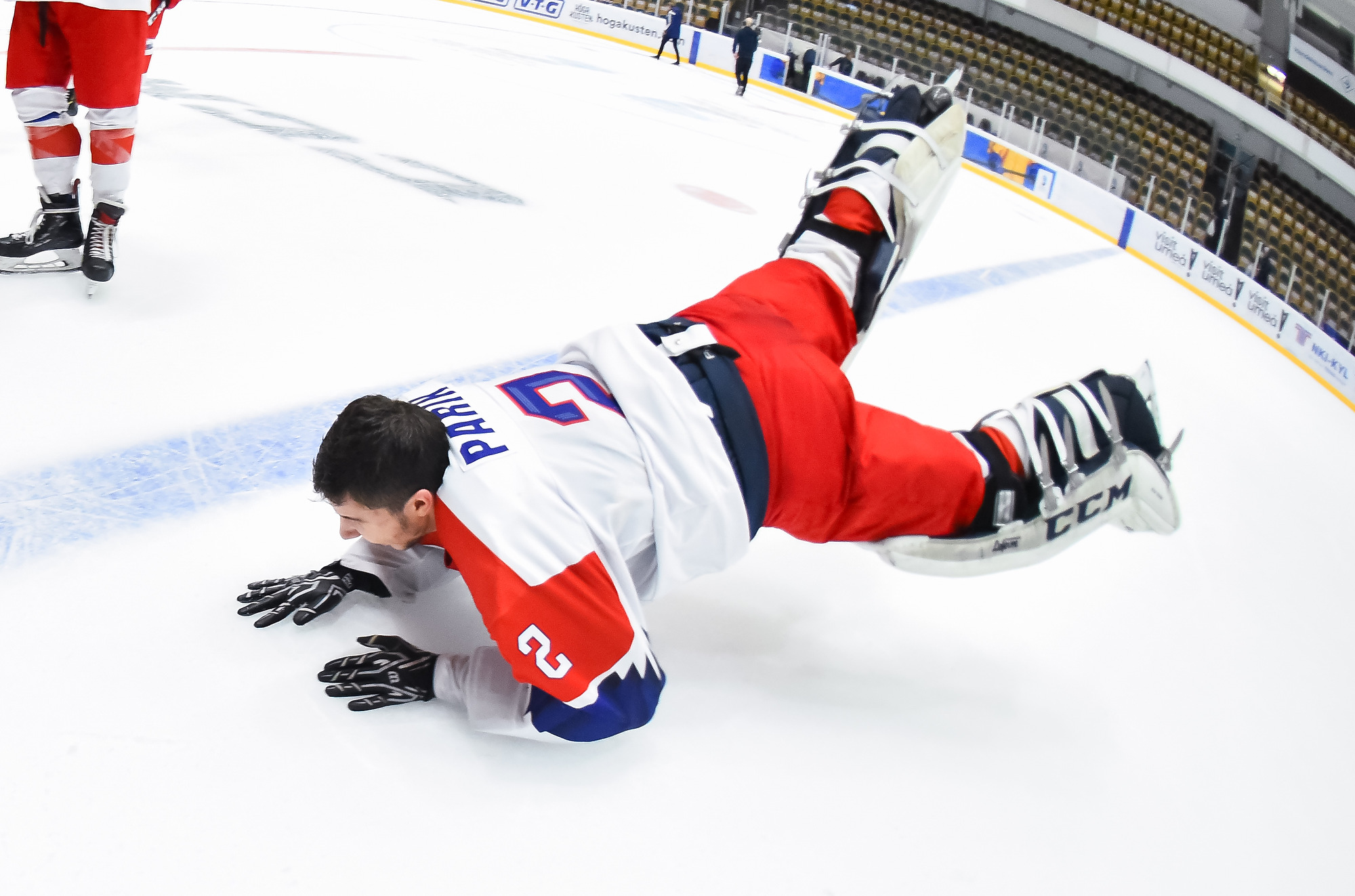 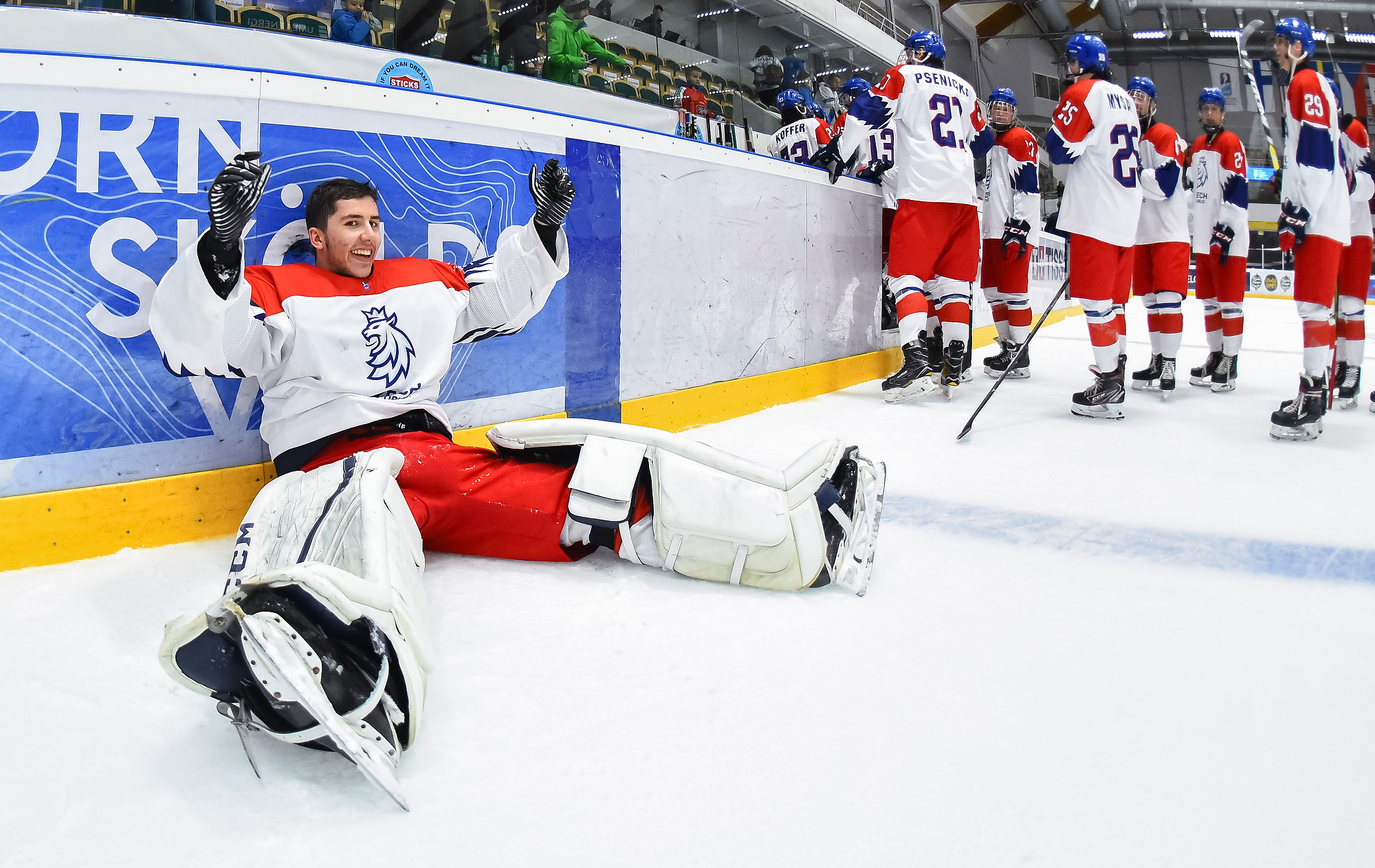