Both the Swiss and Finns were anxious to make sure they had a good start in the game that would determine who would be sent to the relegation round. Finland dictated the play early, and never looked back.

“We haven’t thought about it [the quarter-final] much yet, but I think it’s going to be a tough game,” Anton Lundell explained. “They are a good team. They skate a lot and have skillful players, so we have to be aware and ready for the game. We have to play our best game to beat them - it’s going to be fun.”

This first goal came less than 2:30 played in the match as Aarne Intonen was left wide open, and unchecked until it was too late. He wired a shot to the top corner, giving Finland the lead.

They quickly made it 2-0 as Kasper Simontaival’s shot went through traffic and hit the back of the net.

The Swiss took their timeout, which seemed to galvanize the team for a time. They generated two good scoring chances from Joel Salzgeber and Gaetan Jobin, but both were thwarted by Finnish goalie Roope Taponen.

With Mikko Kokkonen in the box, Finland dictated most of the play on the penalty kill. Just when it seemed Switzerland was just getting set up, they turned the puck over. Leevi Aaltonen sprung Lundell who went up the ice in a flash. He put the puck low blocker side and widened the Finnish lead to 3-0.

“It was a better game for me, and getting a goal helps me in bringing more confidence,” Lundell said. “It was a good game for our team, a good team performance today.”

The Swiss pulled together another burst of opportunities near the end of the period, but once again, Taponen was there to deny them.

Mikko Petman crashed the net with less than a minute remaining, and poked the puck past Andri Henauer. That would mark the end of the game for the Swiss goalie as Florian Vuichard was called on the guard the crease for the final 40 minutes.

A power play goal from Leevi Aaltonen would start off the second frame. Antti Tuomisto was issues a game misconduct after kneeing Yves Stoffel, who immediately went to the locker room.

On the kill, Patrik Puistola danced around Swiss defender Noah Delemont to widen the Finnish lead to 6-0. His second goal of the game came on a 5-on-3 laster in the second. While still on the power play, Veeti Miettinen would add to the Finnish score.

Ville Heinola opening the third period by intercepting a Swiss pass as they exited their zone, and hit the puck off the iron and in. Kalle Loponen and Puistola (his third goal of the game) would add more to the burgeoning Finnish score.

“It was fun. It was a while ago when we last won a game, this was our first win in this tournament so it was fun to win and get goals,” Lundell smiled.

Switzerland will face Slovakia in the relegation round. The Slovaks are the only team to have not won a game at this year’s tournament. 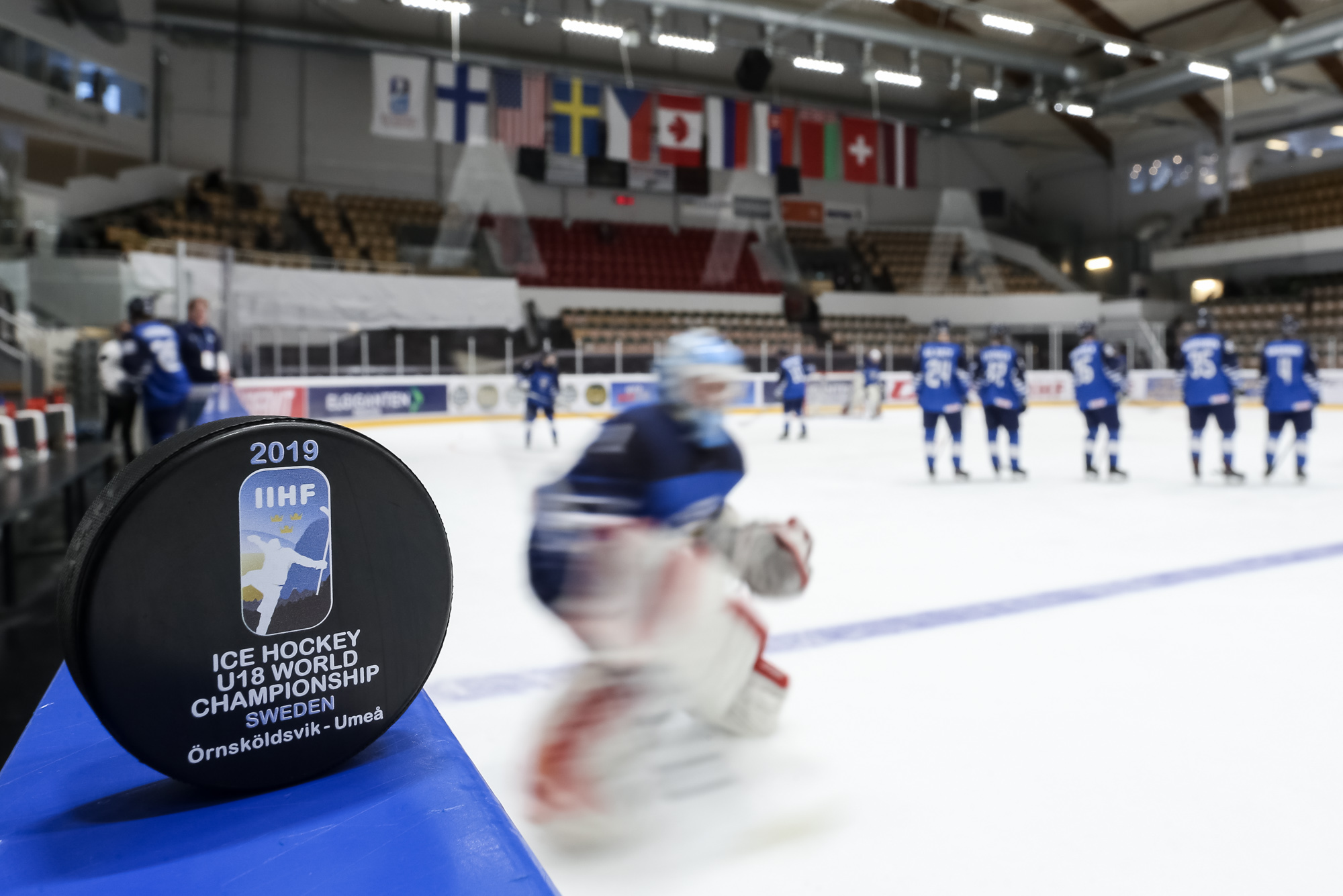 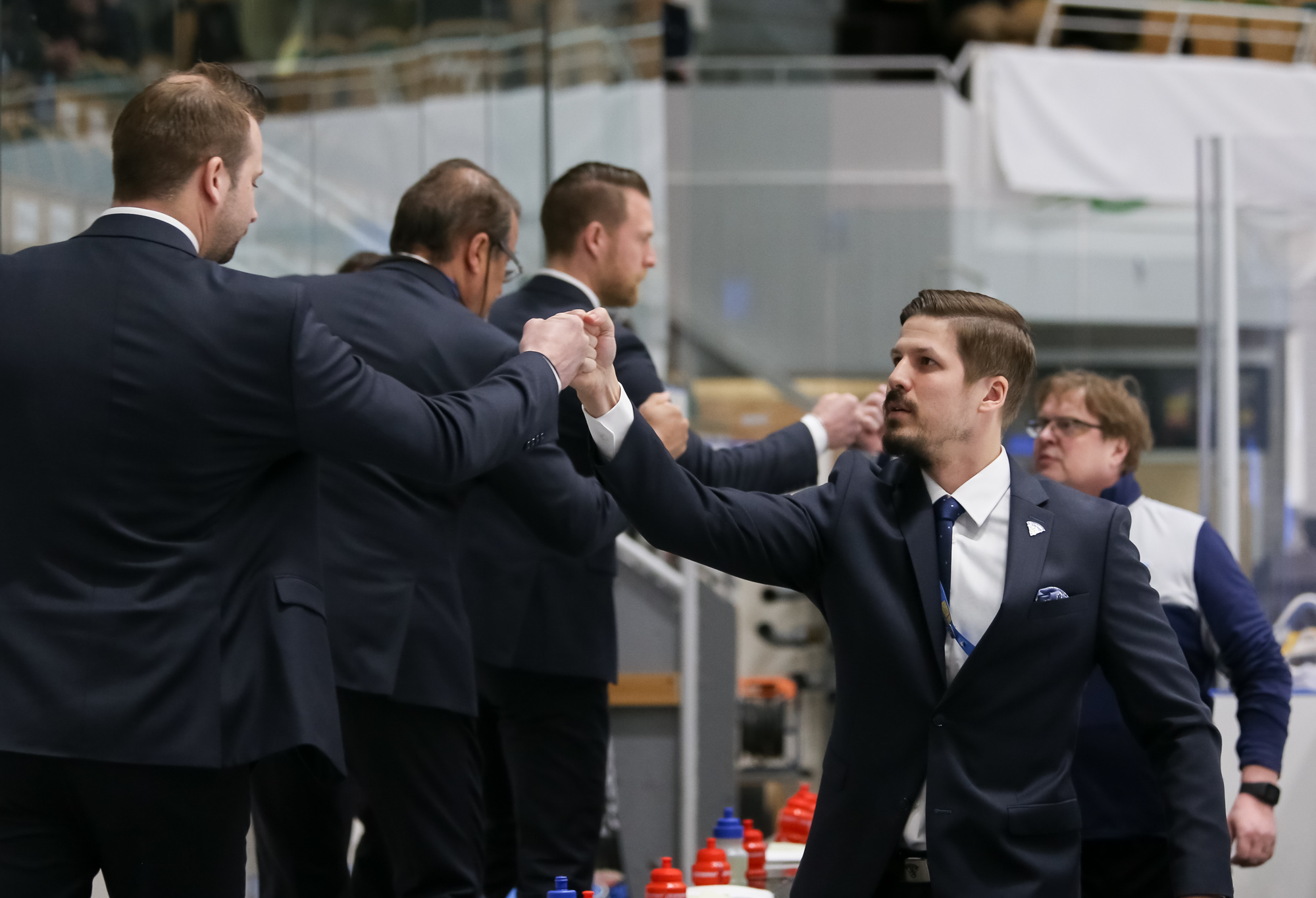 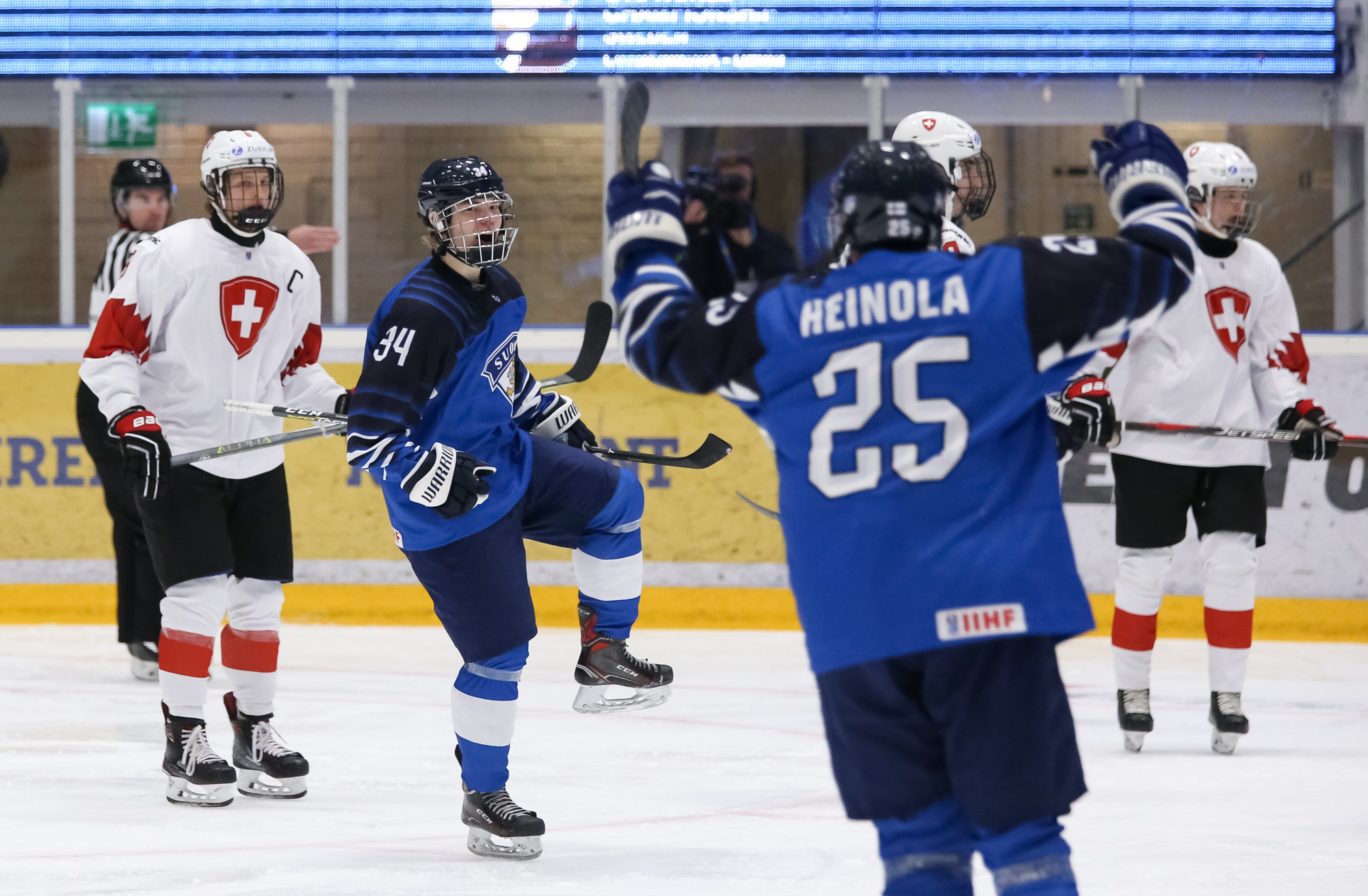 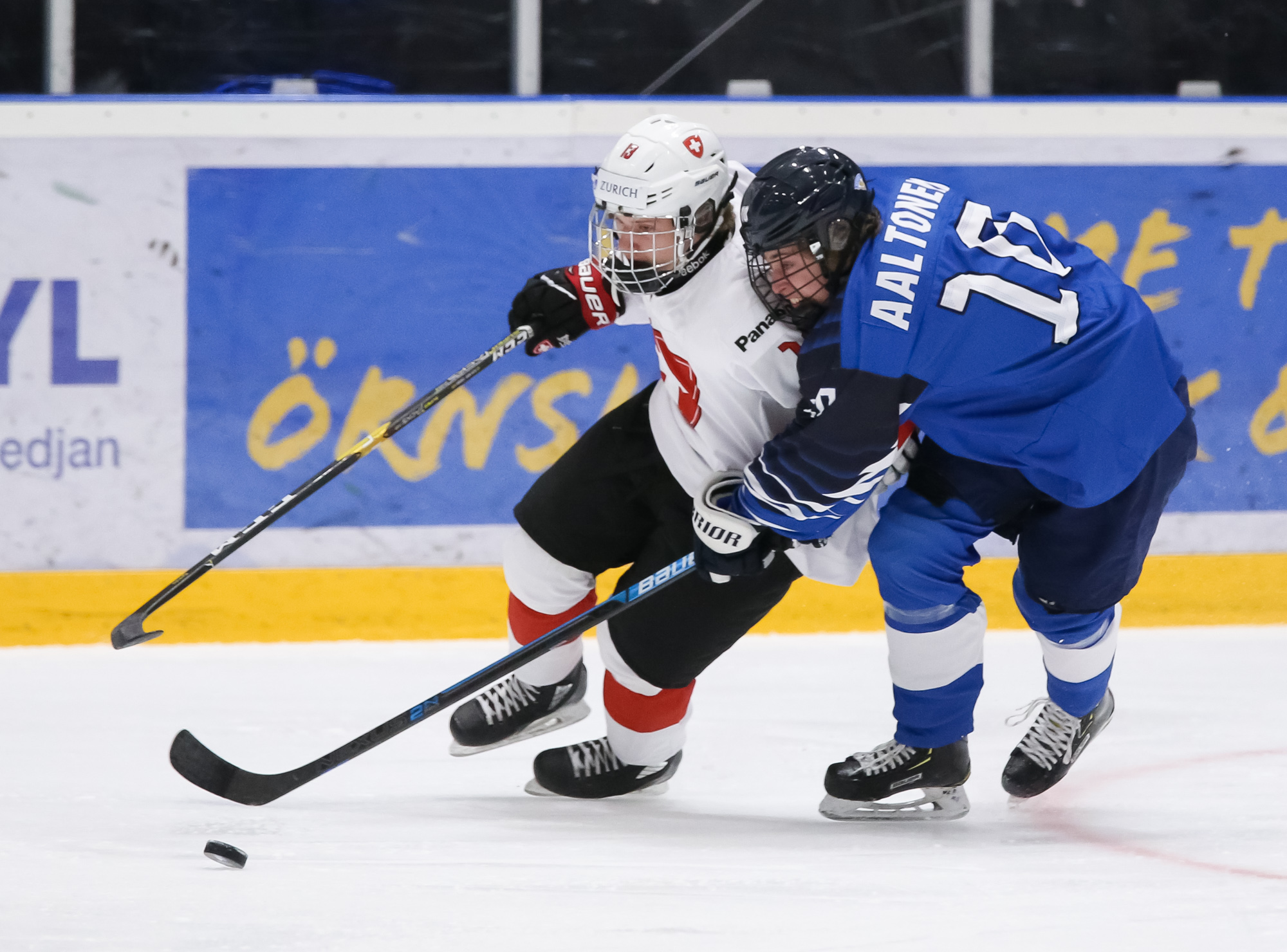 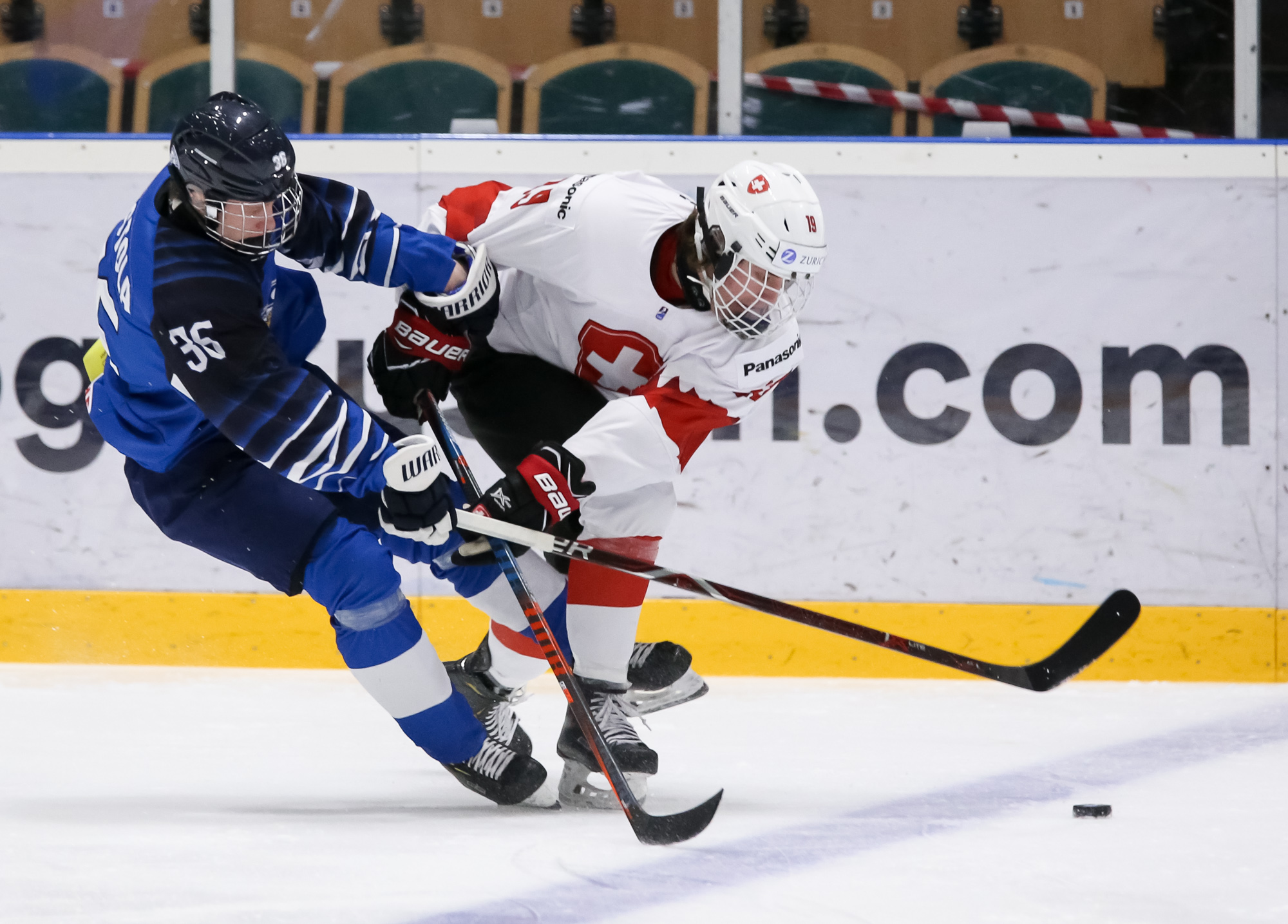 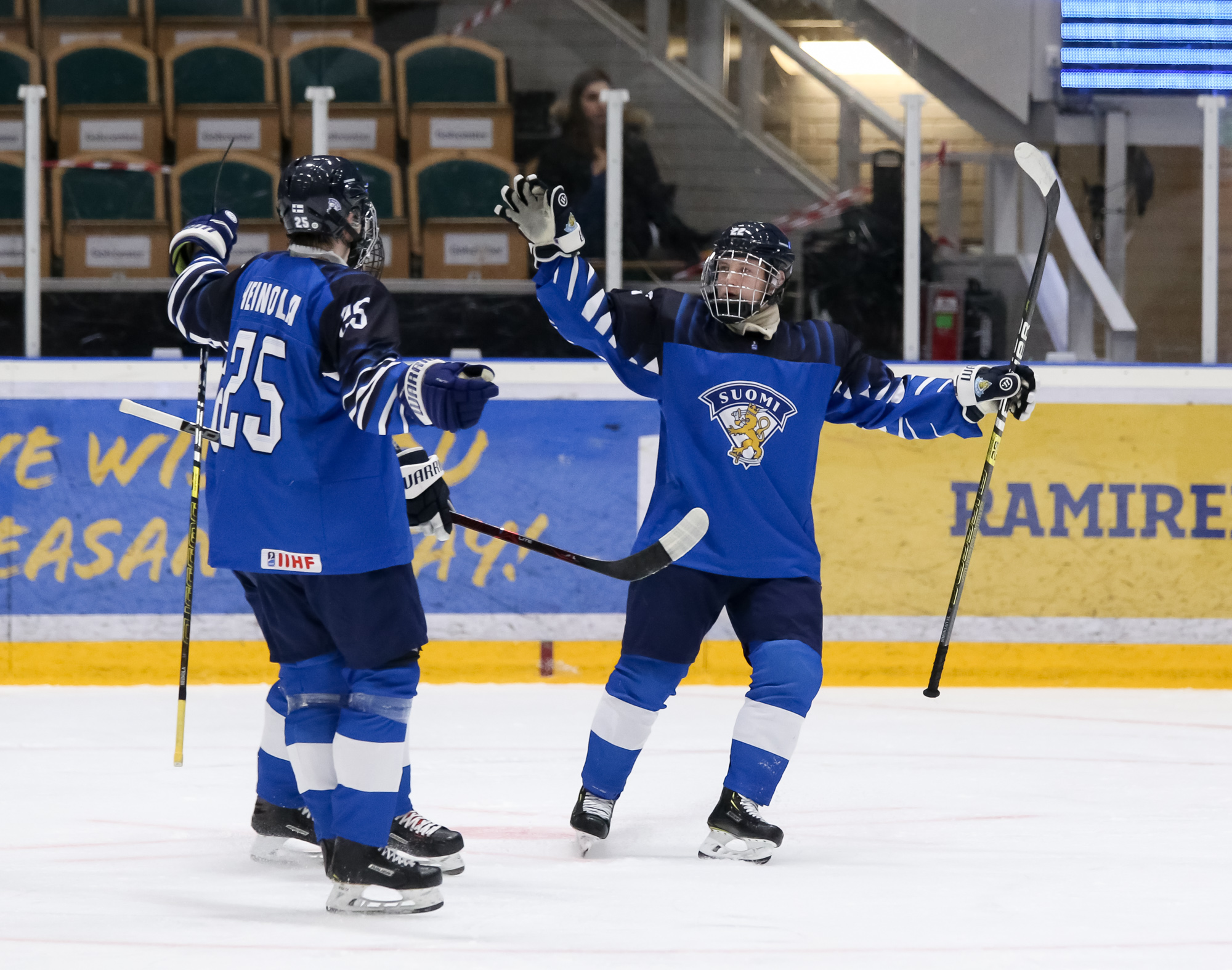 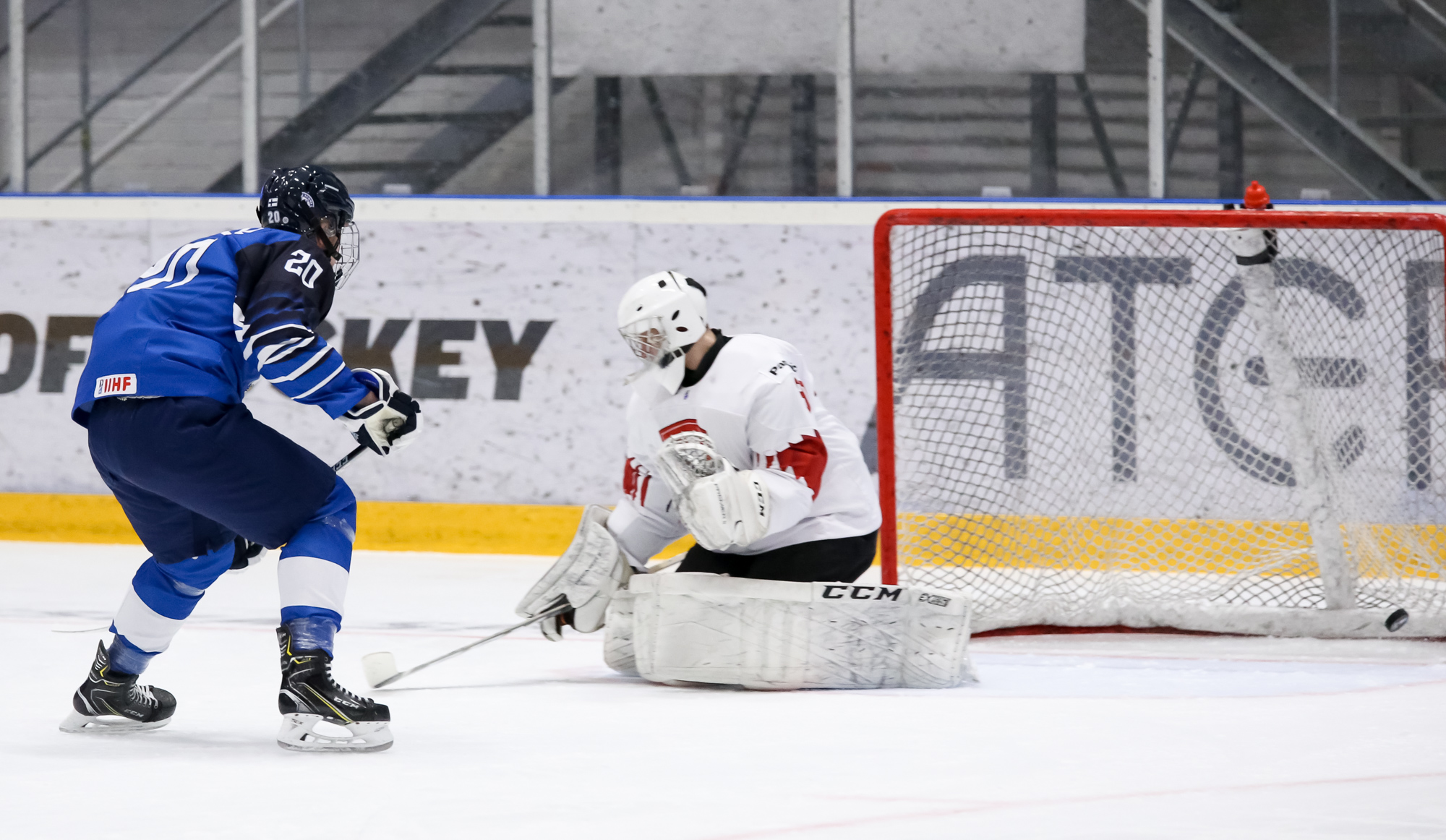 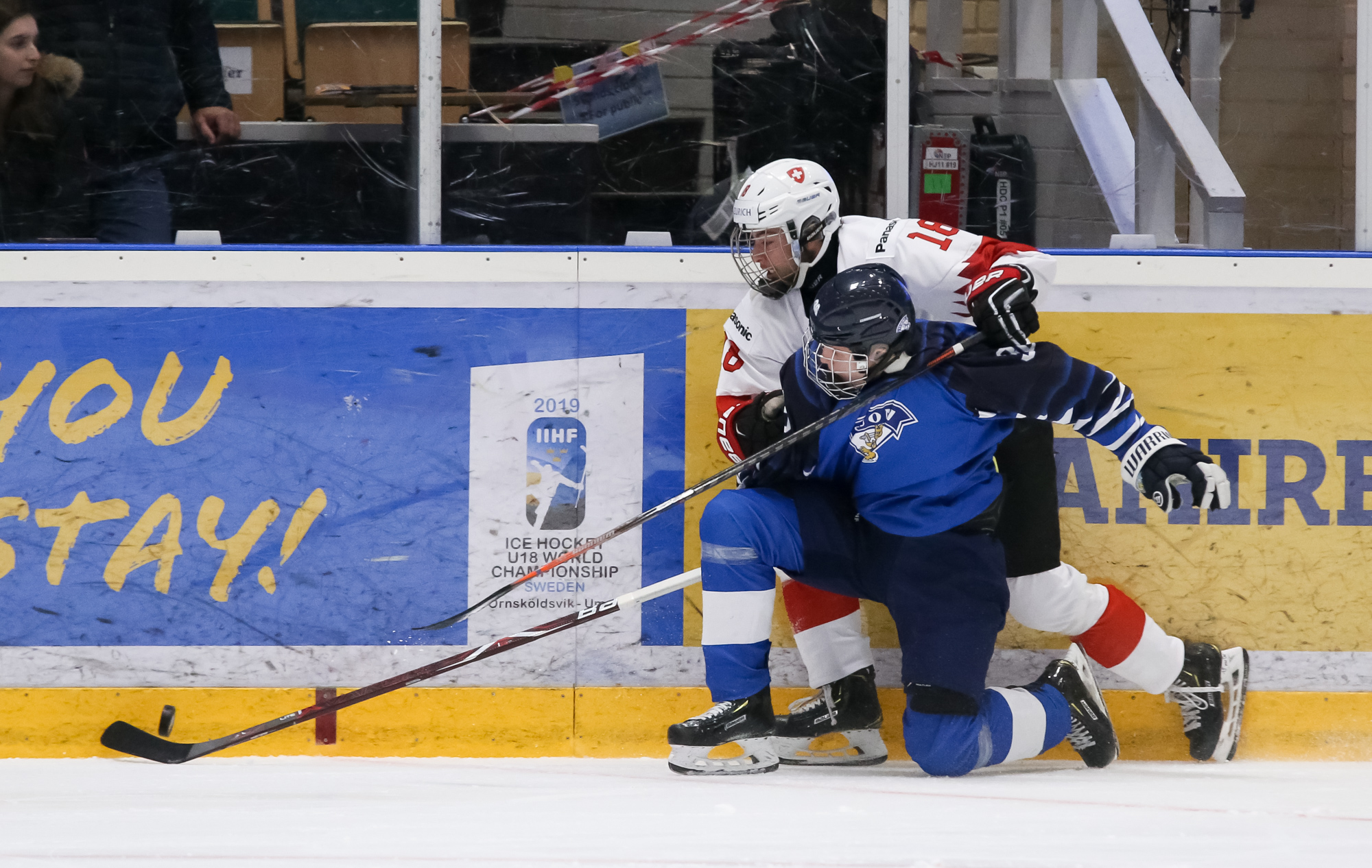 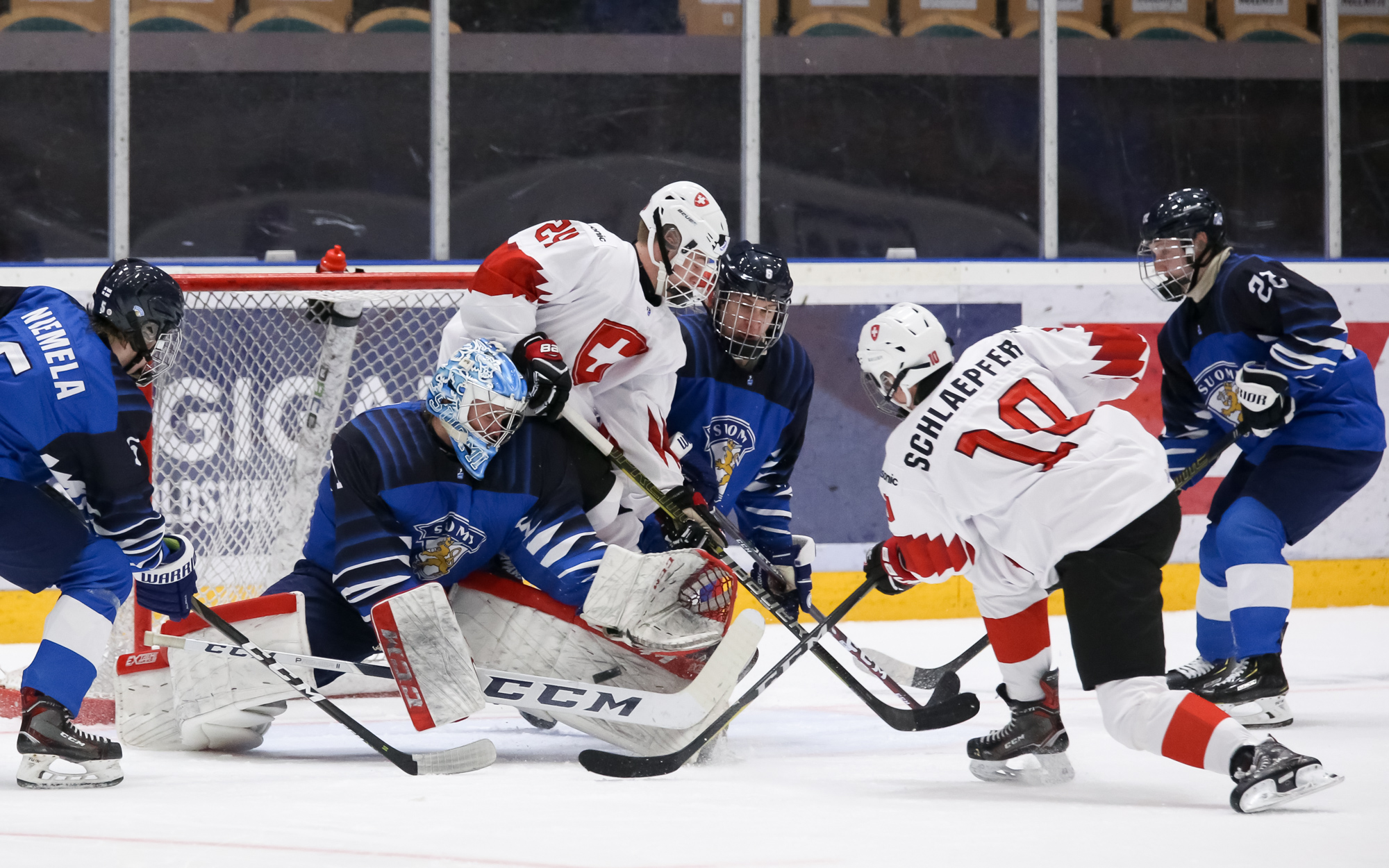 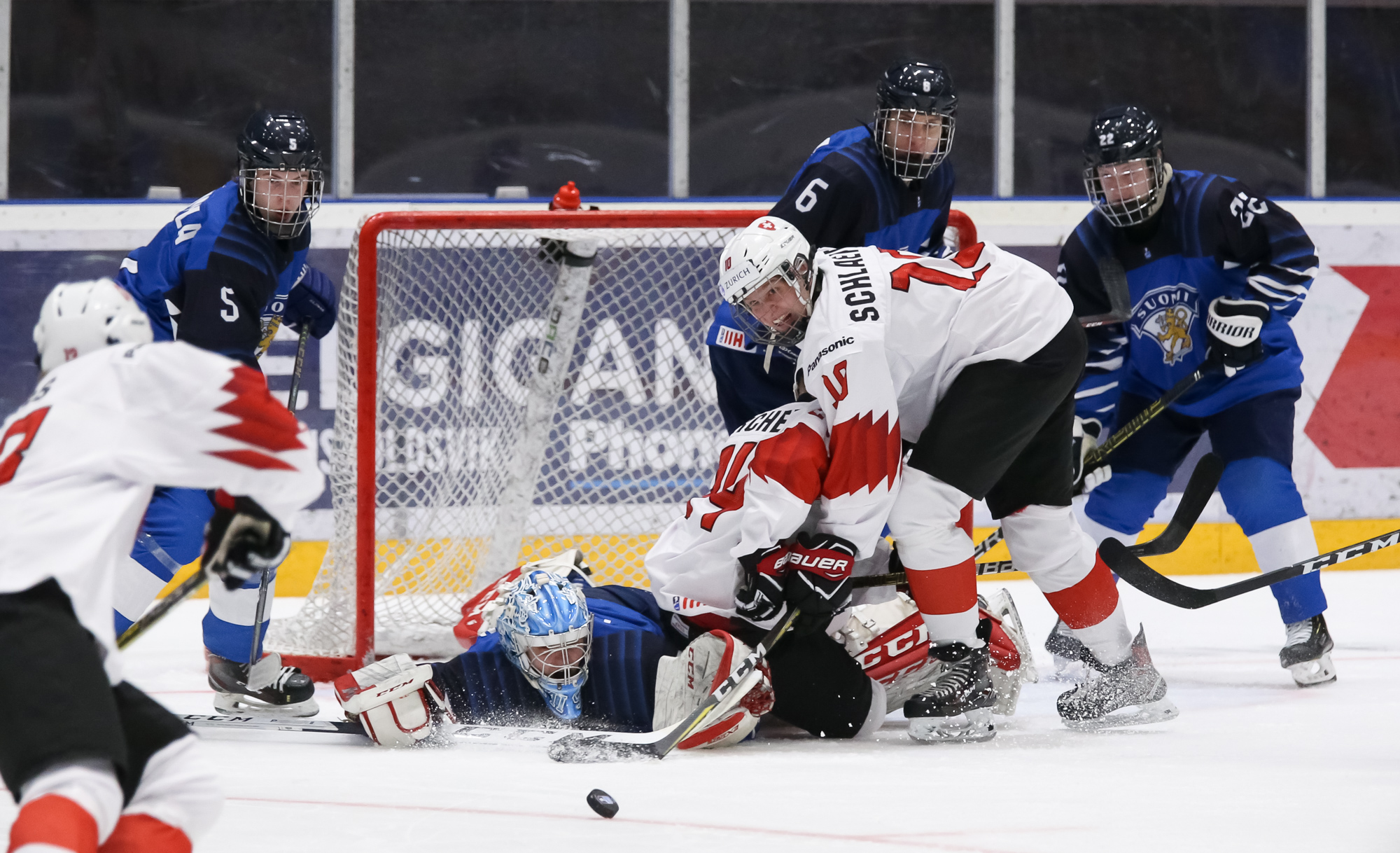 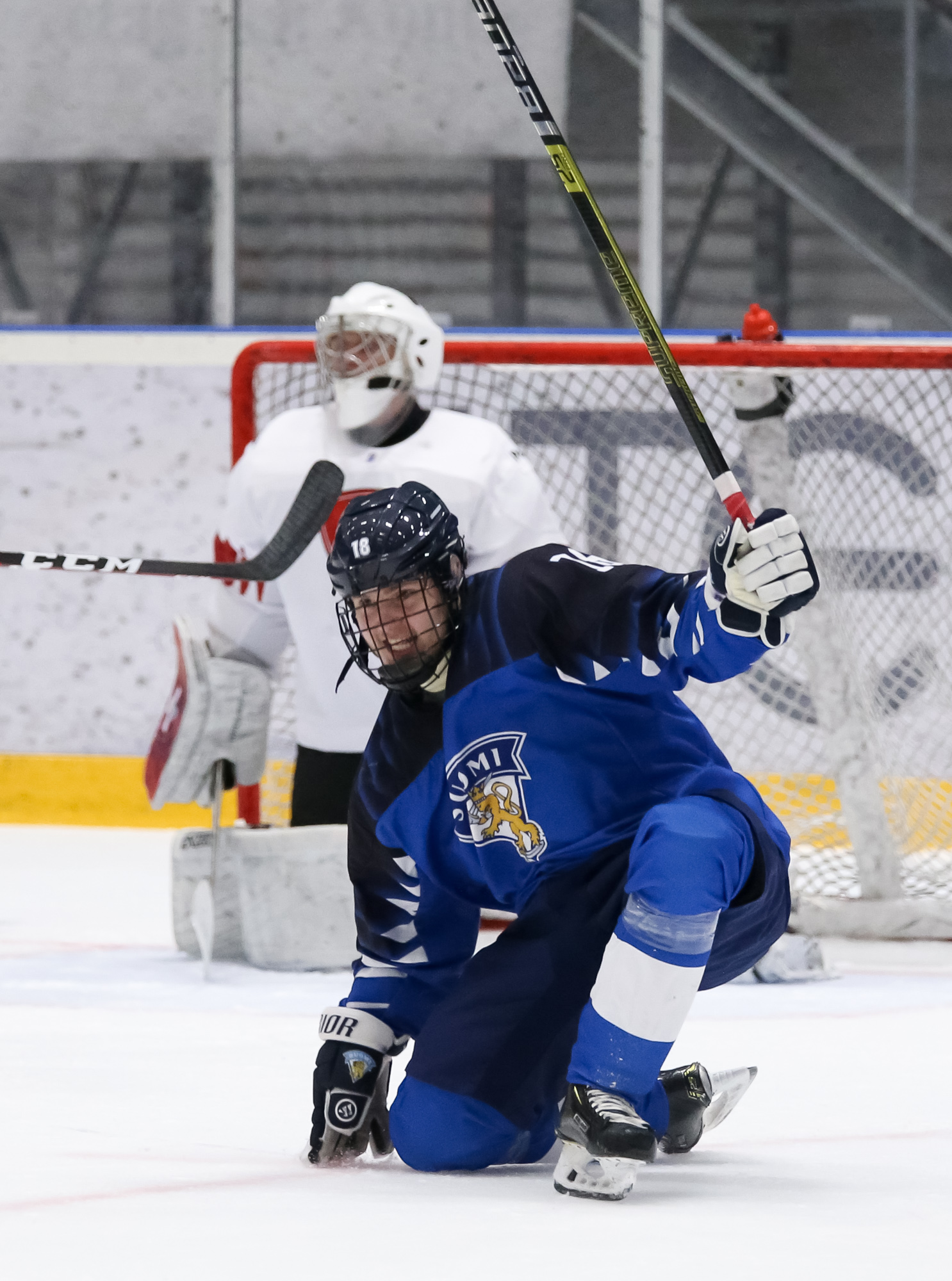 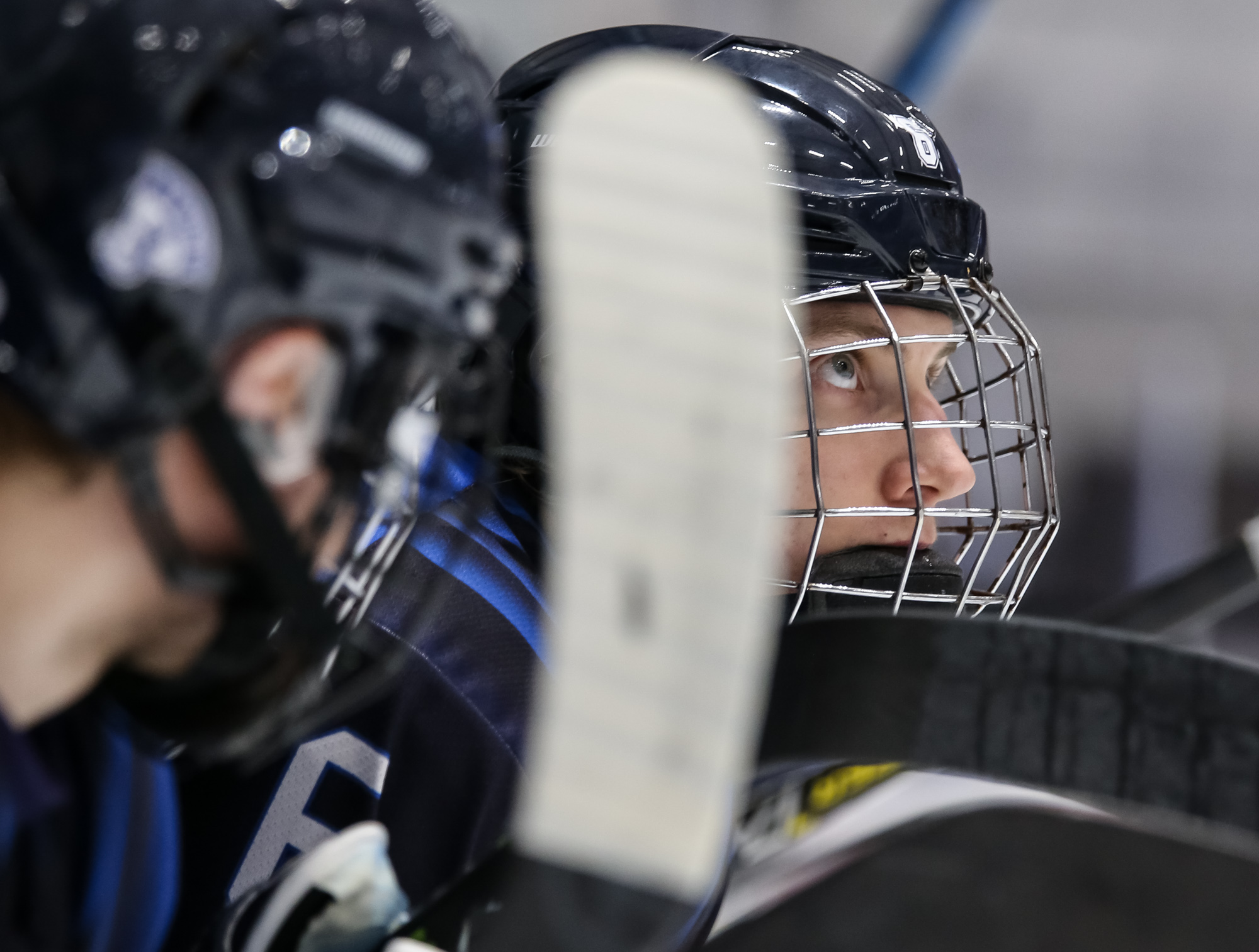 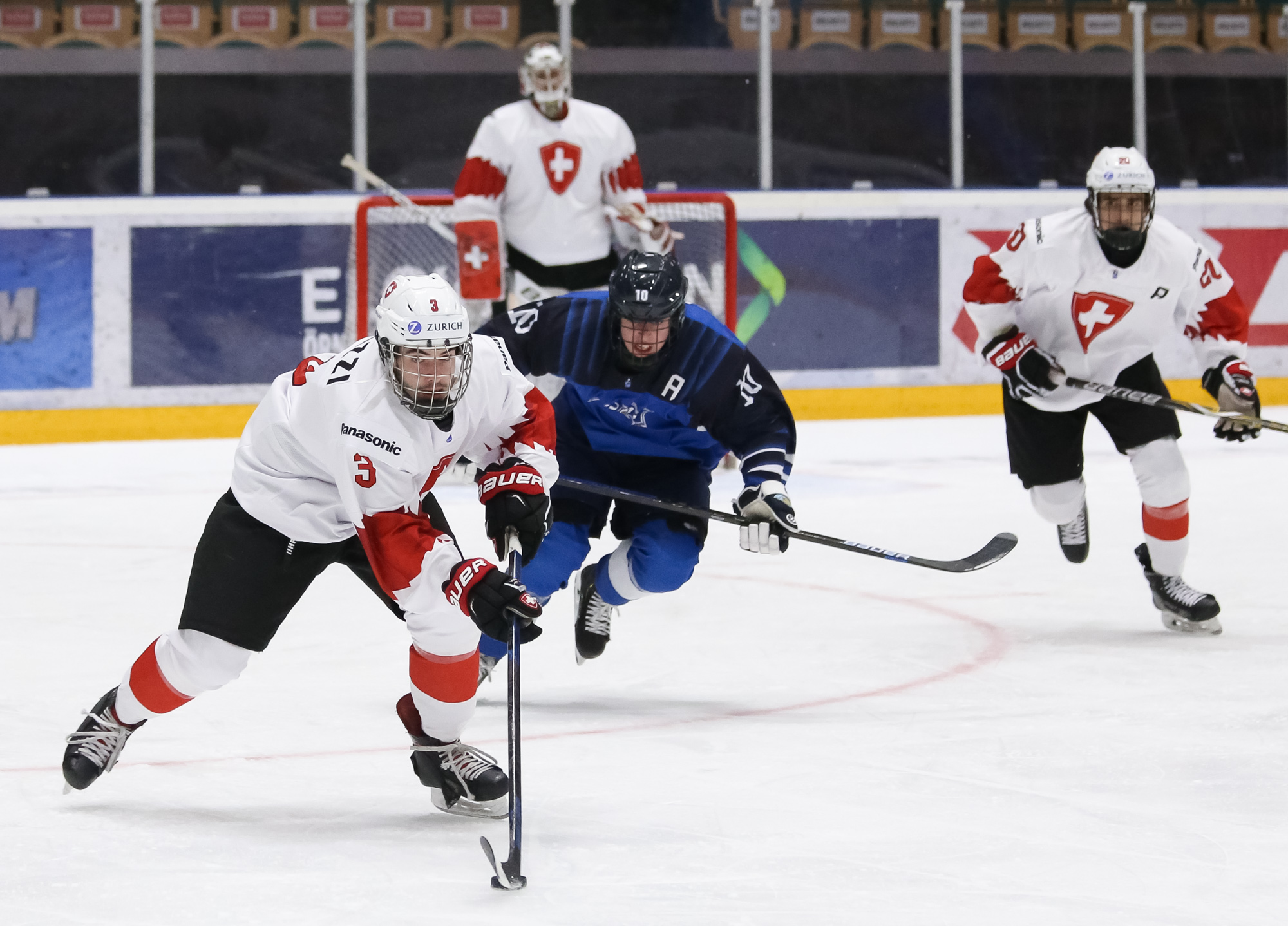 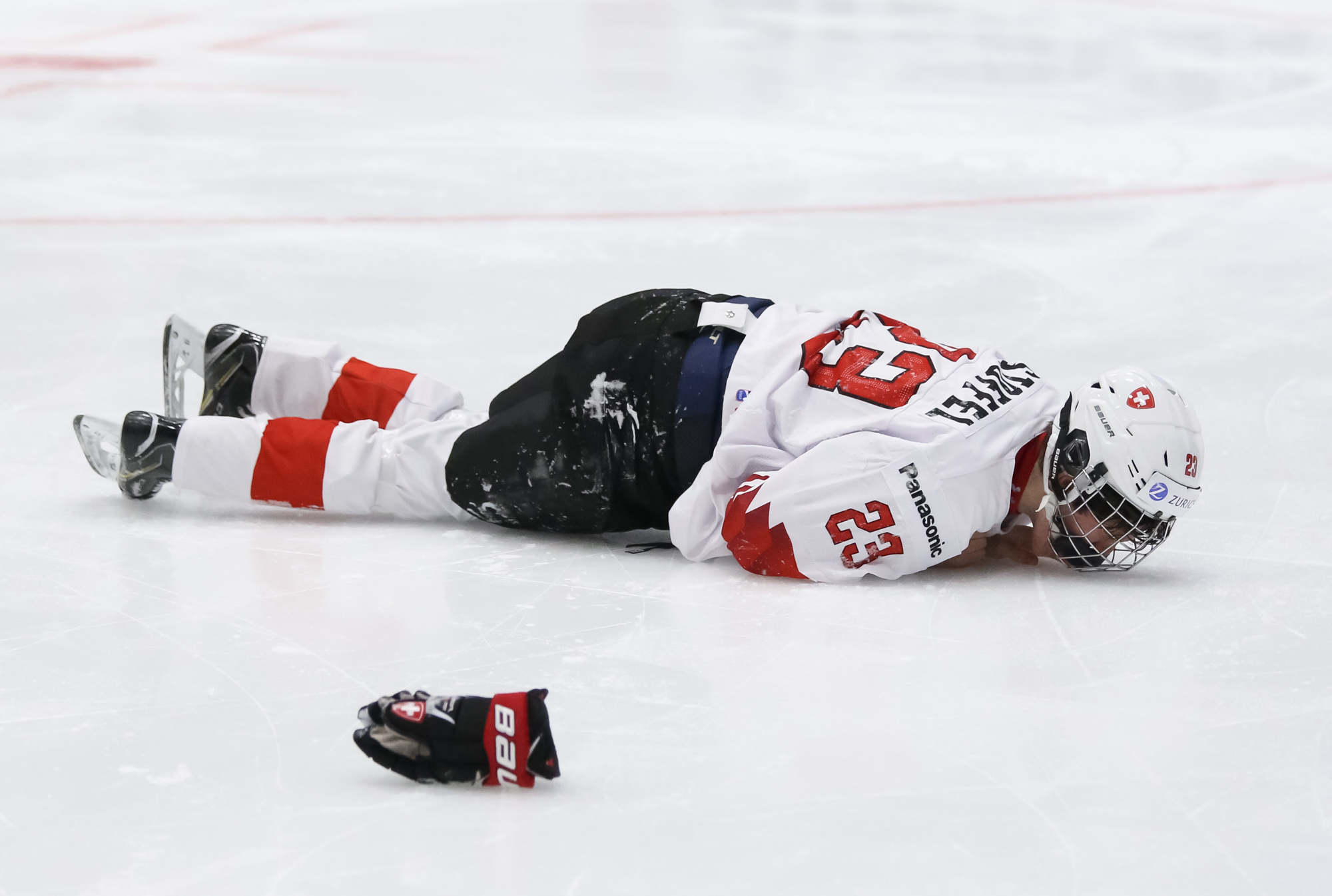 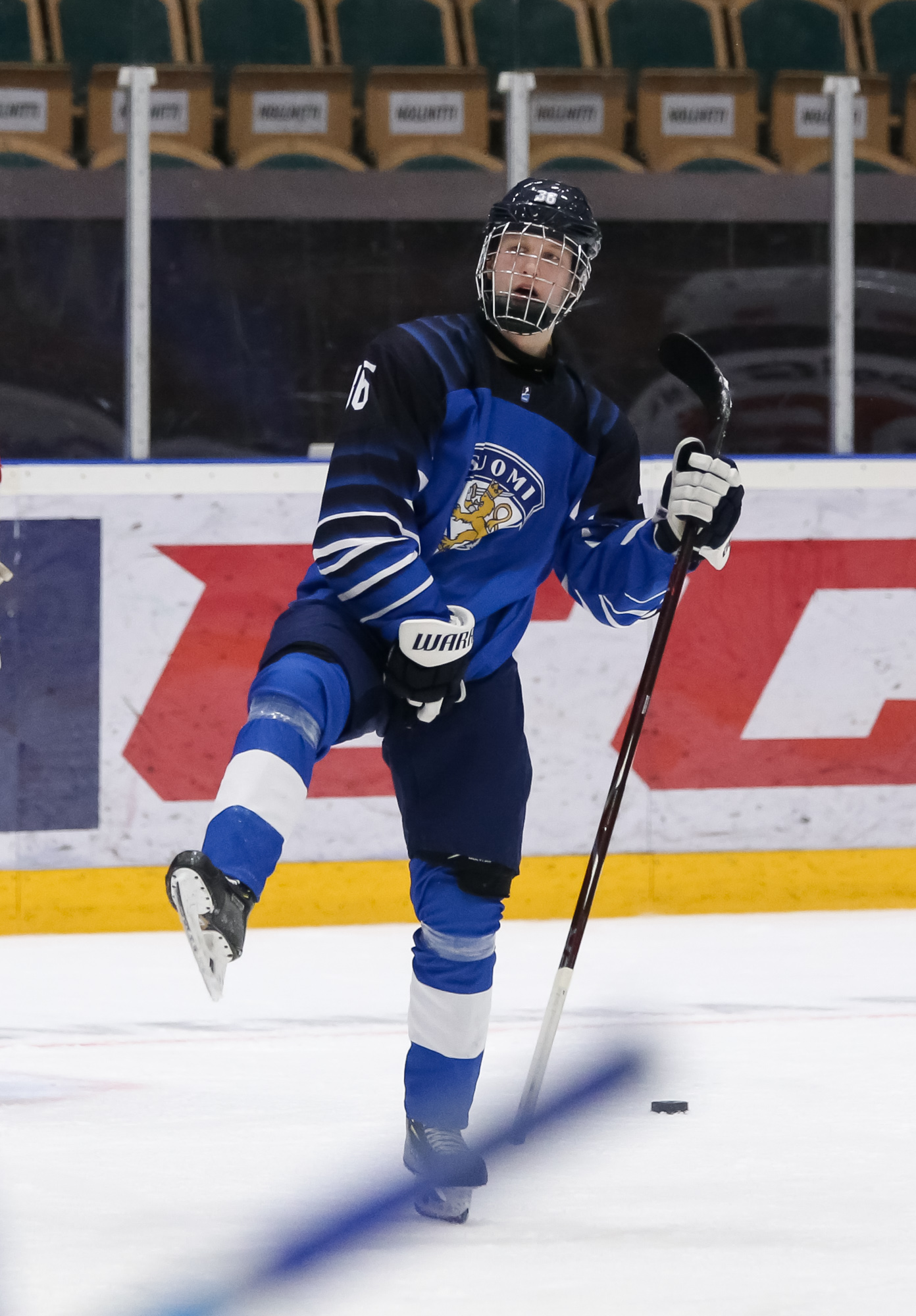 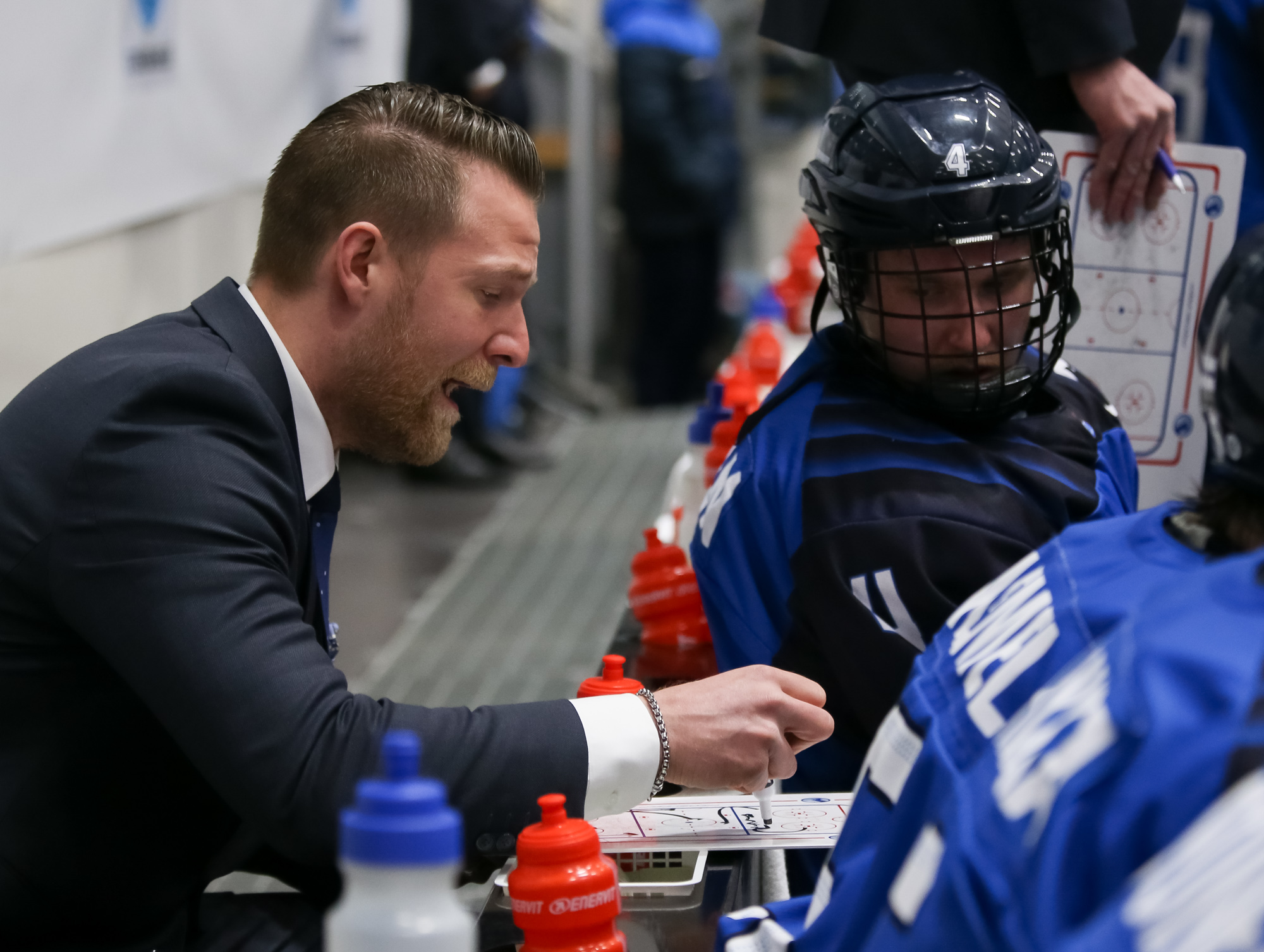 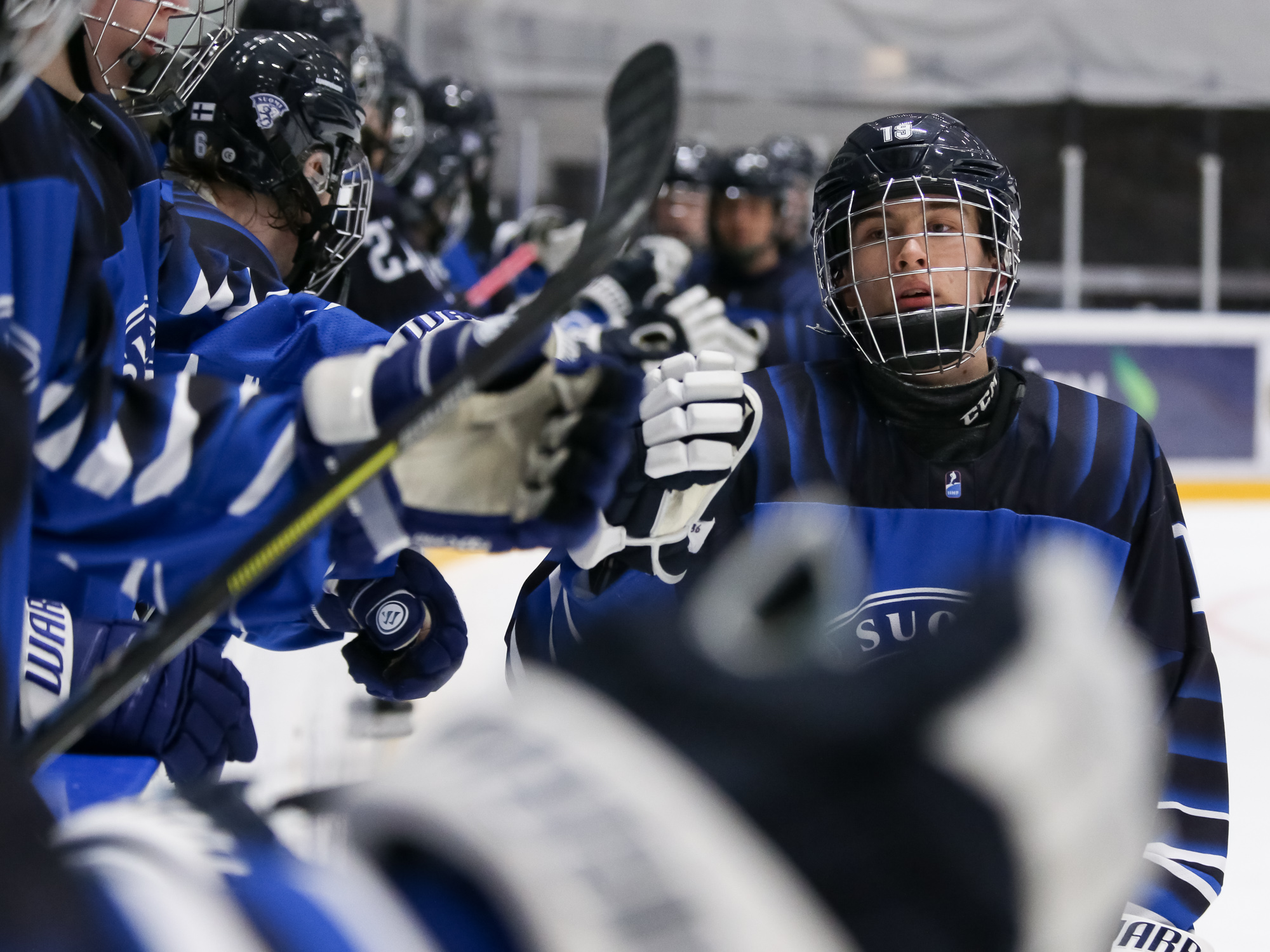 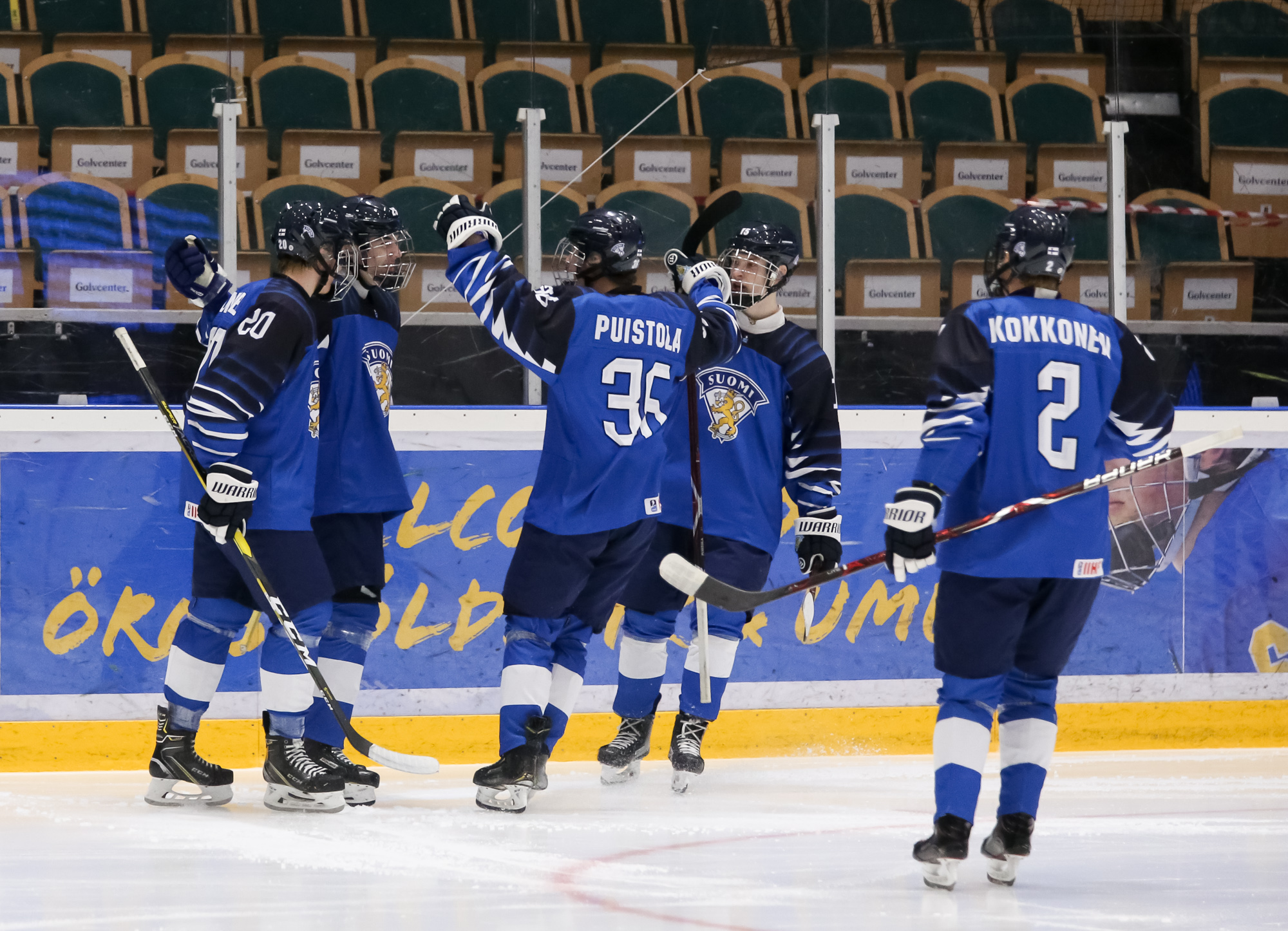 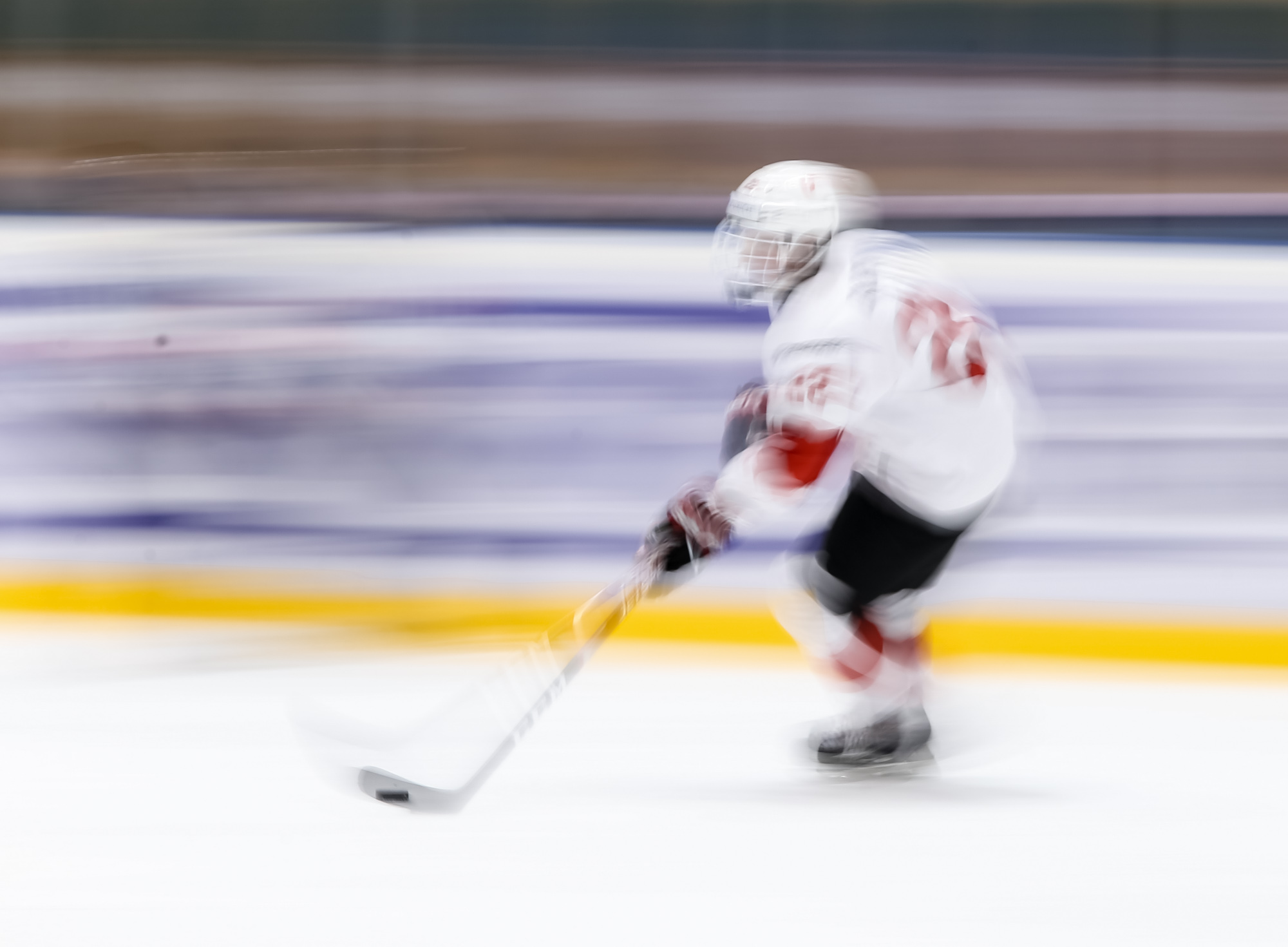 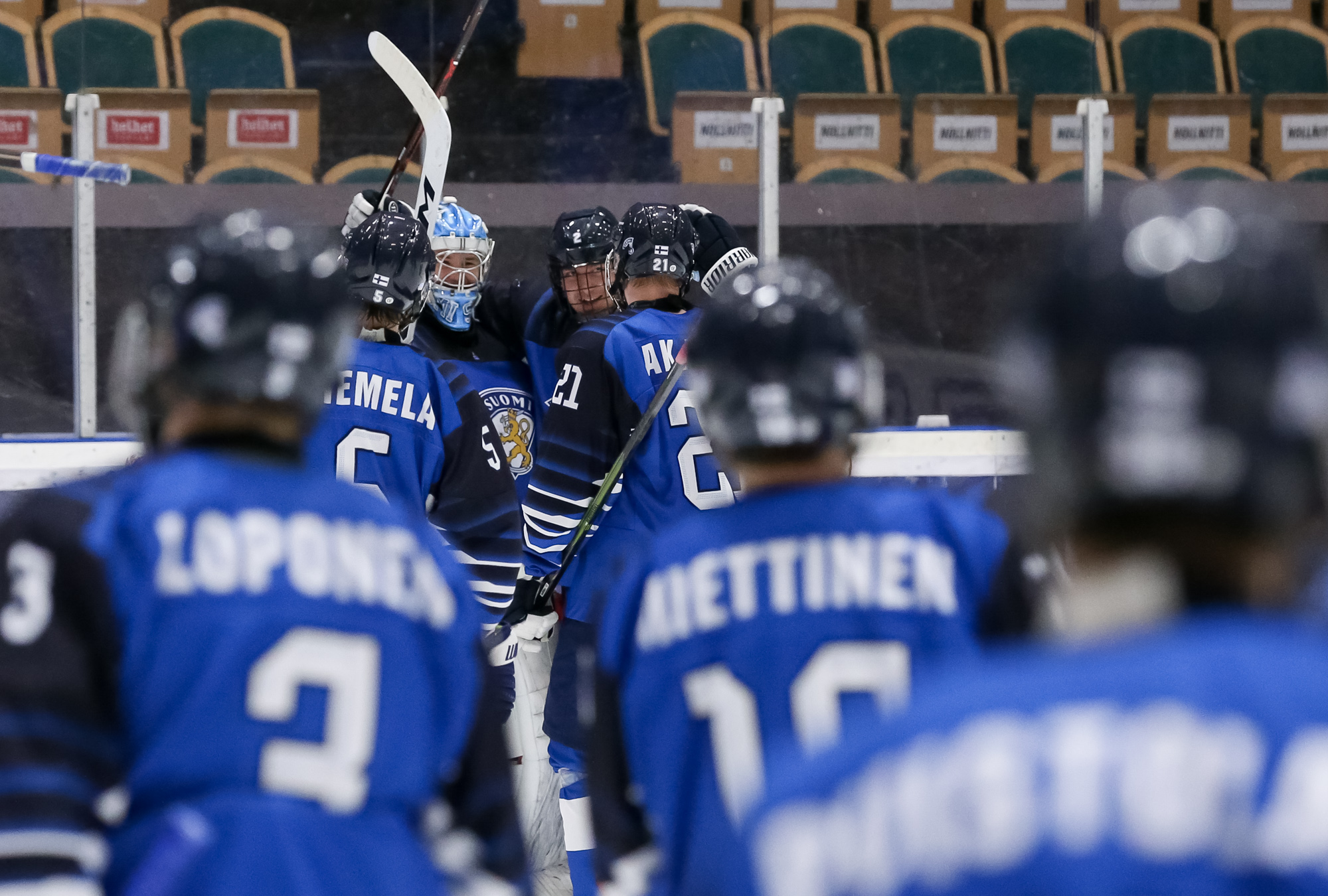 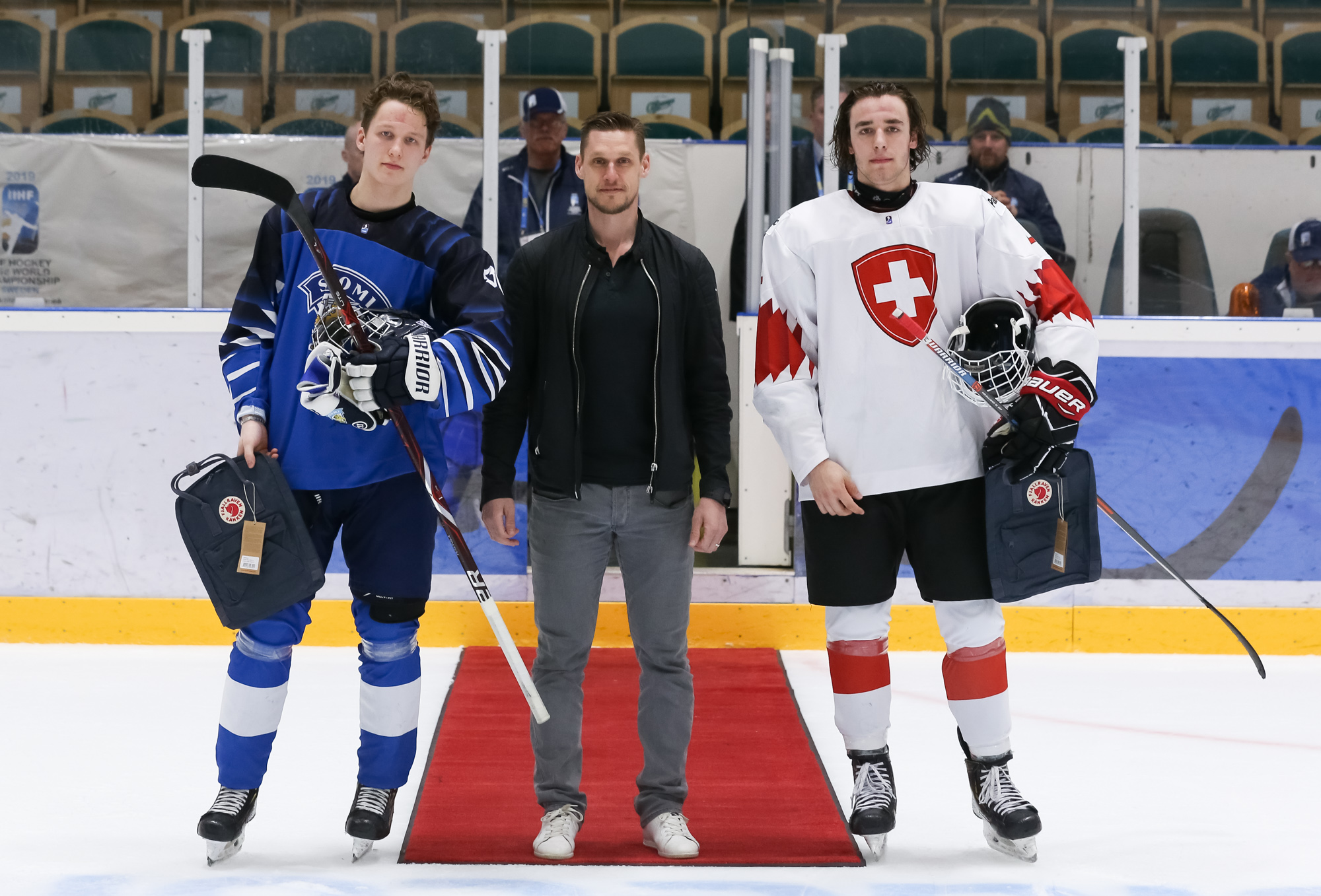 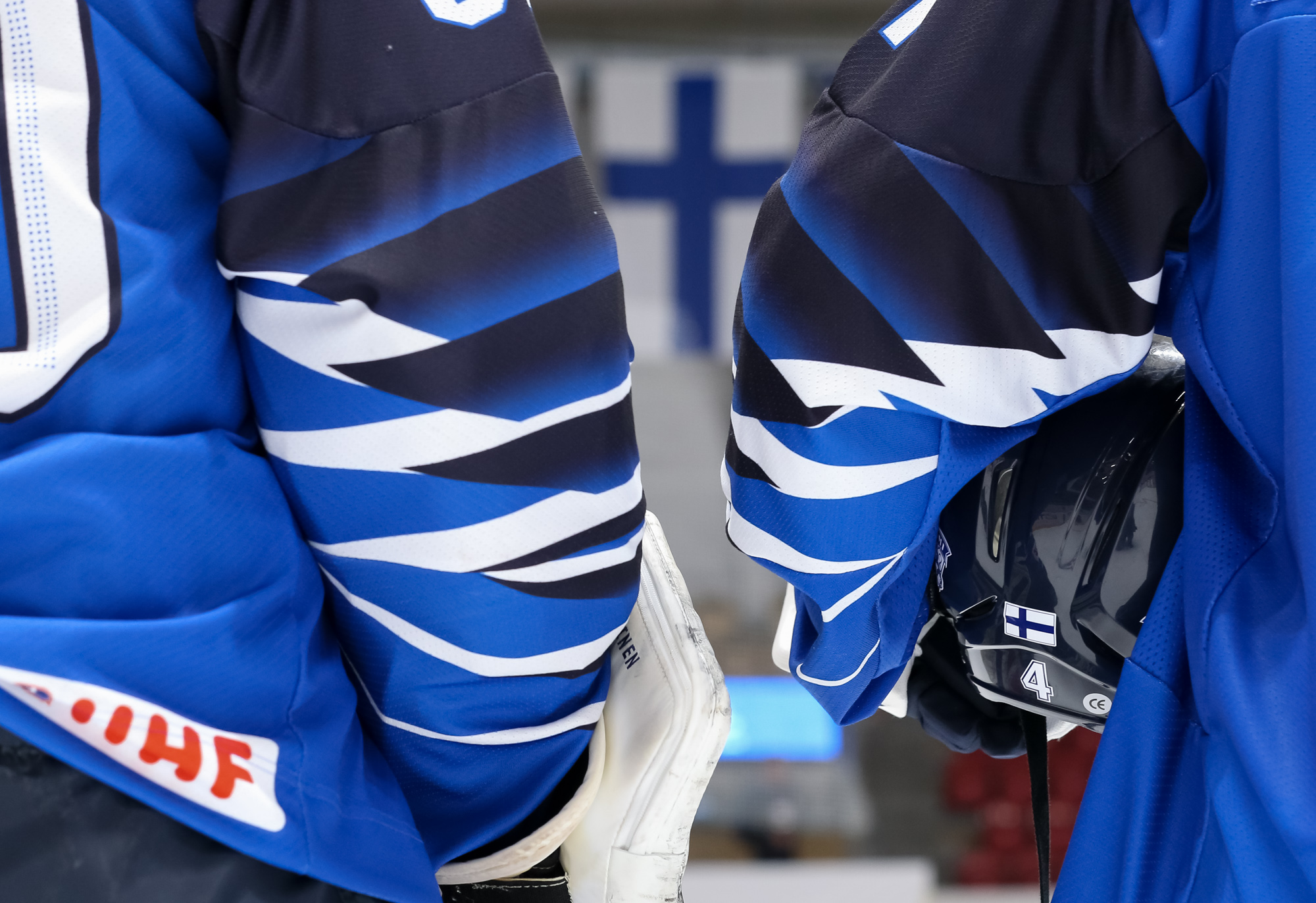 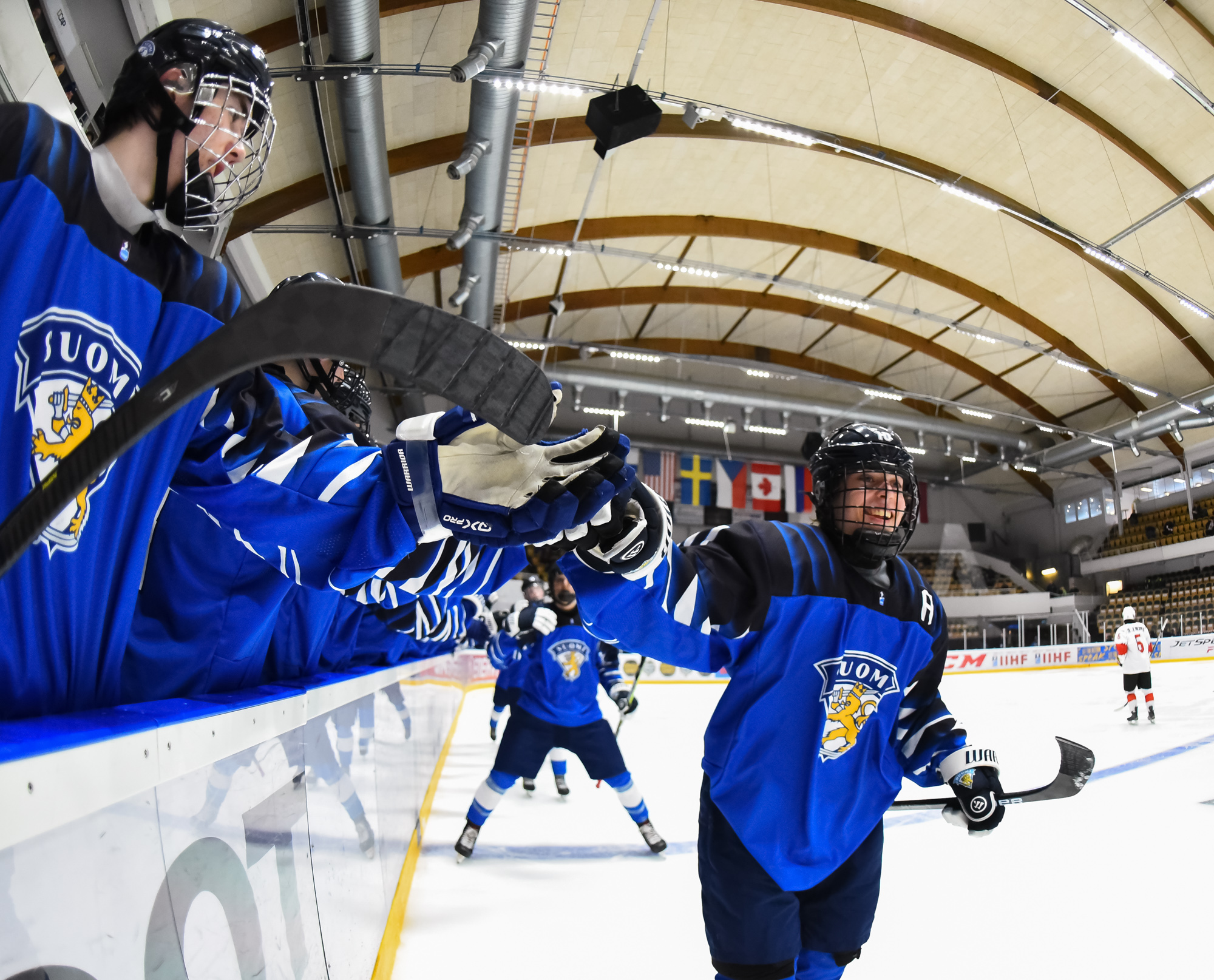 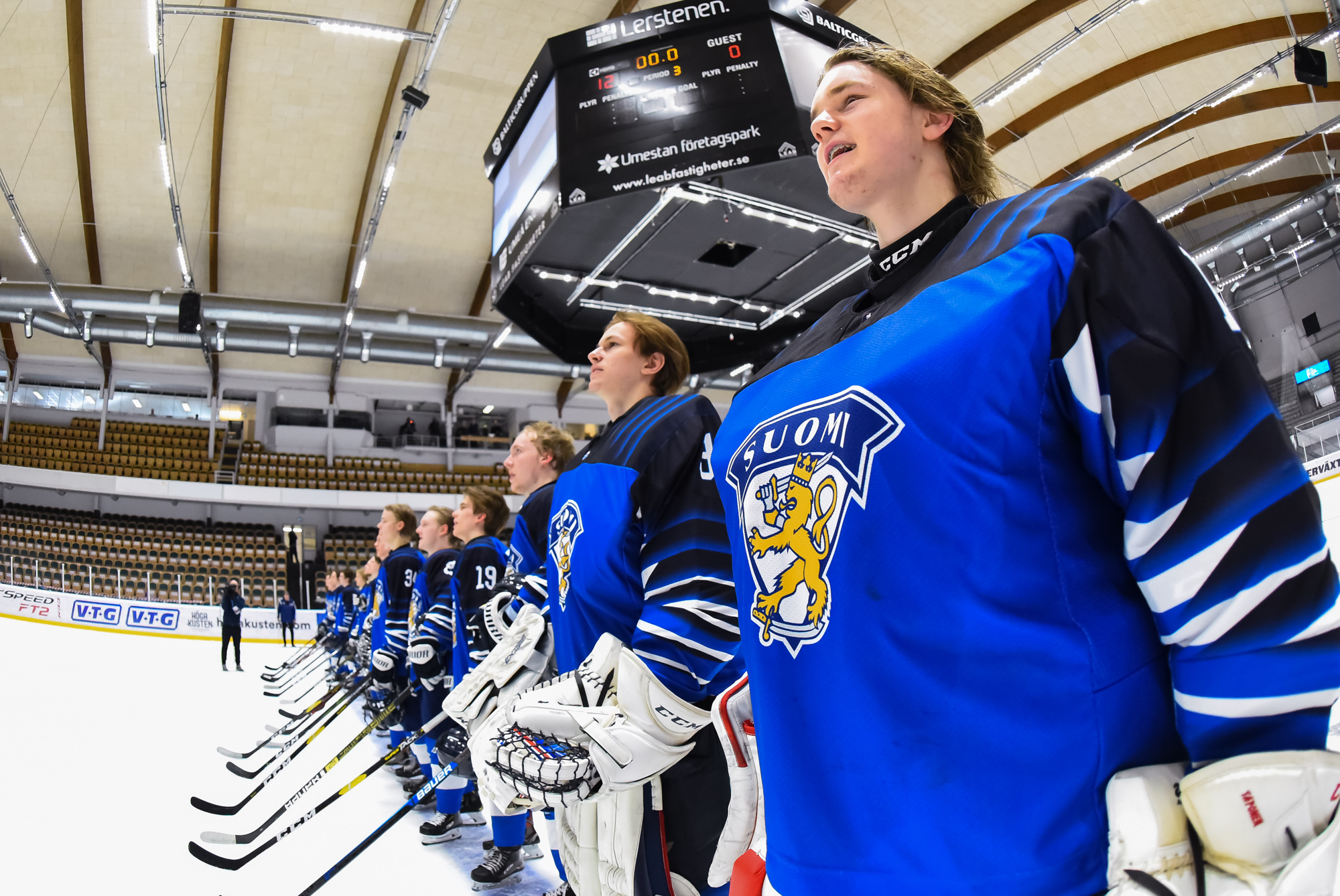 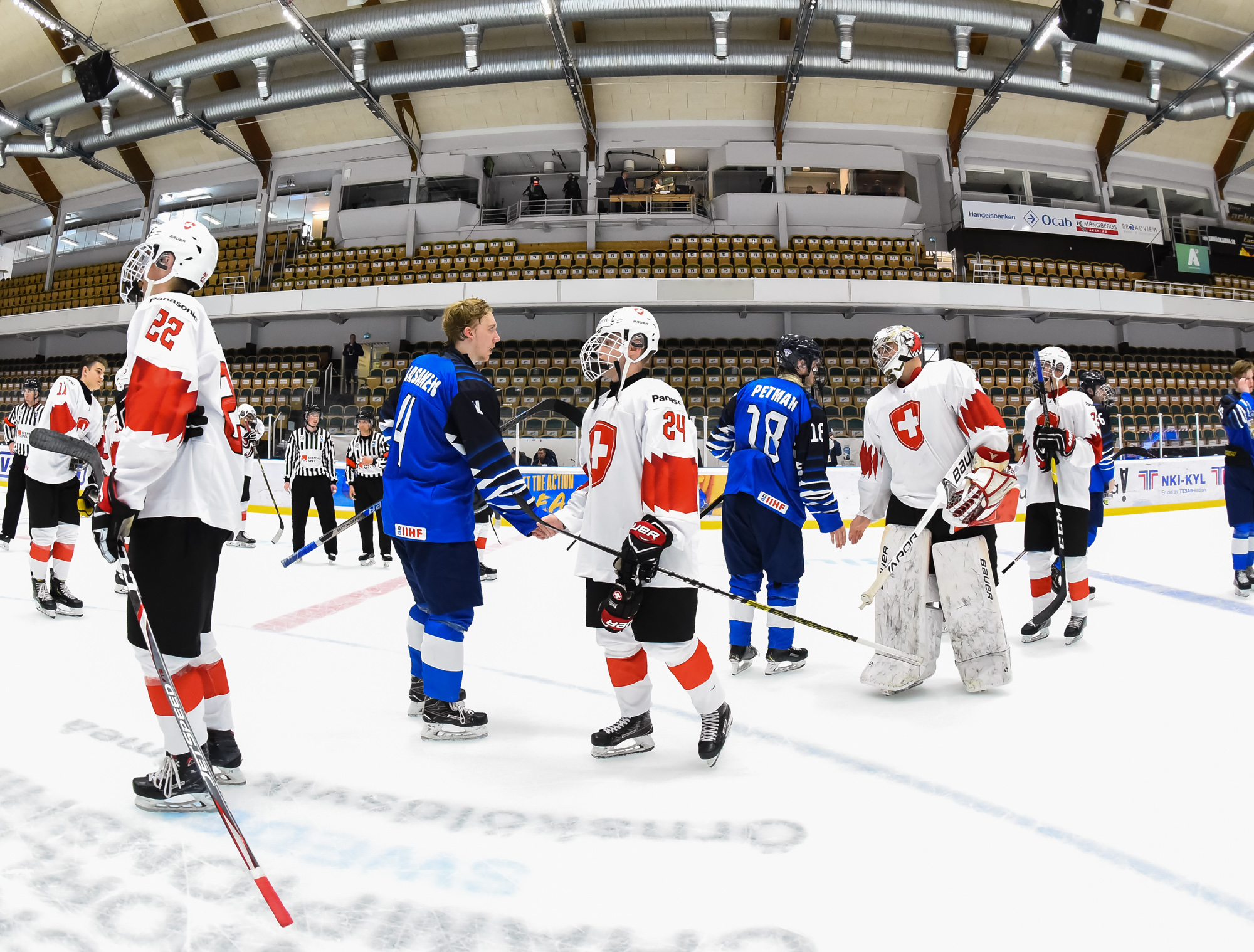