Latvia makes quarter-finals!
After making the quarter-finals with a 2-0 win over Slovakia, Latvian players sing their anthem for the first time at the 2019 IIHF Ice Hockey U18 World Championship.
photo: Steve Kingsman / HHOF-IIHF Images
share

It's a huge win for a small hockey nation. Latvia blanked Slovakia 2-0 on Monday in Ornskoldsvik to earn a quarter-final berth at the 2019 IIHF Ice Hockey U18 World Championship.

"It's a very surreal feeling," said Latvian defenceman Miks Tumanovs. "We battled. We wanted to get there and we didn't stop. It's special, just special."

"Our coach gave us a good game plan and we just executed it," said Tumanovs.

Latvian goalie Arturs Silovs made 24 saves for the shutout. Slovakia's Samuel Hlavaj, who played one game at last year's U18 and four games at this year's World Juniors, also had 24 saves.

Slovakia lost all four of its Group B games. It has the tournament’s worst defensive record, having allowed 25 goals, including a 12-5 loss to the Americans. The Slovaks will next face the loser of Tuesday’s Finland-Switzerland game in the best-of-three relegation round, which starts Thursday morning in Umea.

"We must forget about this game, about these group games, and just clean our heads and start a new tournament," said Slovak captain Oliver Turan.

The newly promoted Latvians wrap up their preliminary round on Tuesday against the Americans, who lead Group B with three straight victories.

The two sides sparred ineffectually in the first period. Great chances were sparse. Martin Chromiak fired high and wide on a breakaway around the 18-minute mark, and then Silovs gloved down his follow-up attempt. Silovs also foiled Dominik Sojka just before the horn.

In the second period, Latvia finally capitalized at 5:56 after furious pressure. With Hlavaj lying on his back after multiple Latvian attempts, Osnieks stepped up and fired it home.

All fired-up, the Latvians continued to press. At 8:36, Jevdokimovs snared a loose puck and charged across the front of the net to slide in a backhander for a 2-0 lead.

"There was a big fight in front of the net," said Jevdokimovs. "The puck jumped out for me and I dangled it and scored a hard-working goal."

The Slovaks just couldn't find the range in the third period. When they tried to enter the Latvian zone, maroon jerseys converged on them.

It's a far cry from last year, when the Slovaks had 19 goals in four preliminary-round games and Maxim Cajkovic finished the tournament with 11 points, second only to Jack Hughes's 12.

The Latvians remain the only team with zero power play goals at this U18. They had a monumental chance to change that with a two-man advantage for 1:11 early in the third period. Despite falling short, they kept the puck in the opposing end and killed off more time.

As Latvia had allowed five goals in each of its previous games, a 5-2 loss to host Sweden and a 5-1 loss to Russia, this was an exceptional defensive effort.

Slovakia botched its late attempt to pull Hlavaj for an extra attacker and finished the game with a penalty for too many players on the ice. It was a scene of mob joy behind the Latvian net when the final buzzer sounded.

"The feeling is unbelievable," said Jevdokimovs. "We felt the support of the entire Latvian nation."

Looking ahead to the quarter-finals, Tumanovs added: "I think we are definitely the underdogs. No one thinks we can go farther, but we're going to try to prove them wrong."

Since the IIHF Ice Hockey U18 World Championship kicked off in 1999, the Slovaks have only been relegated once (2011). They’re desperate to avoid that fate in 2019.

"It's going to be tough games, whether it's Finland or Switzerland," Turan said. "We must play our best game and not make too many mistakes." 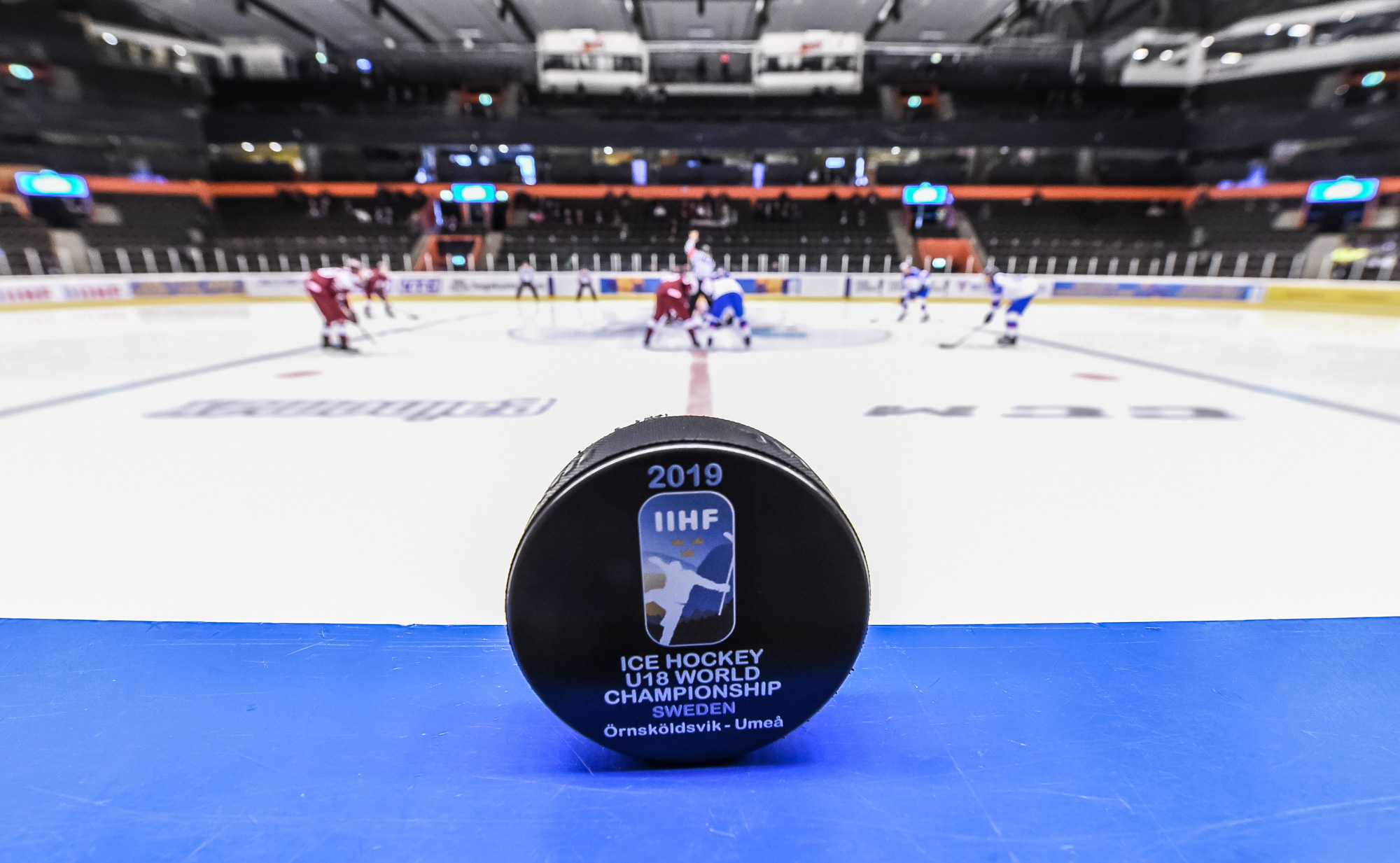 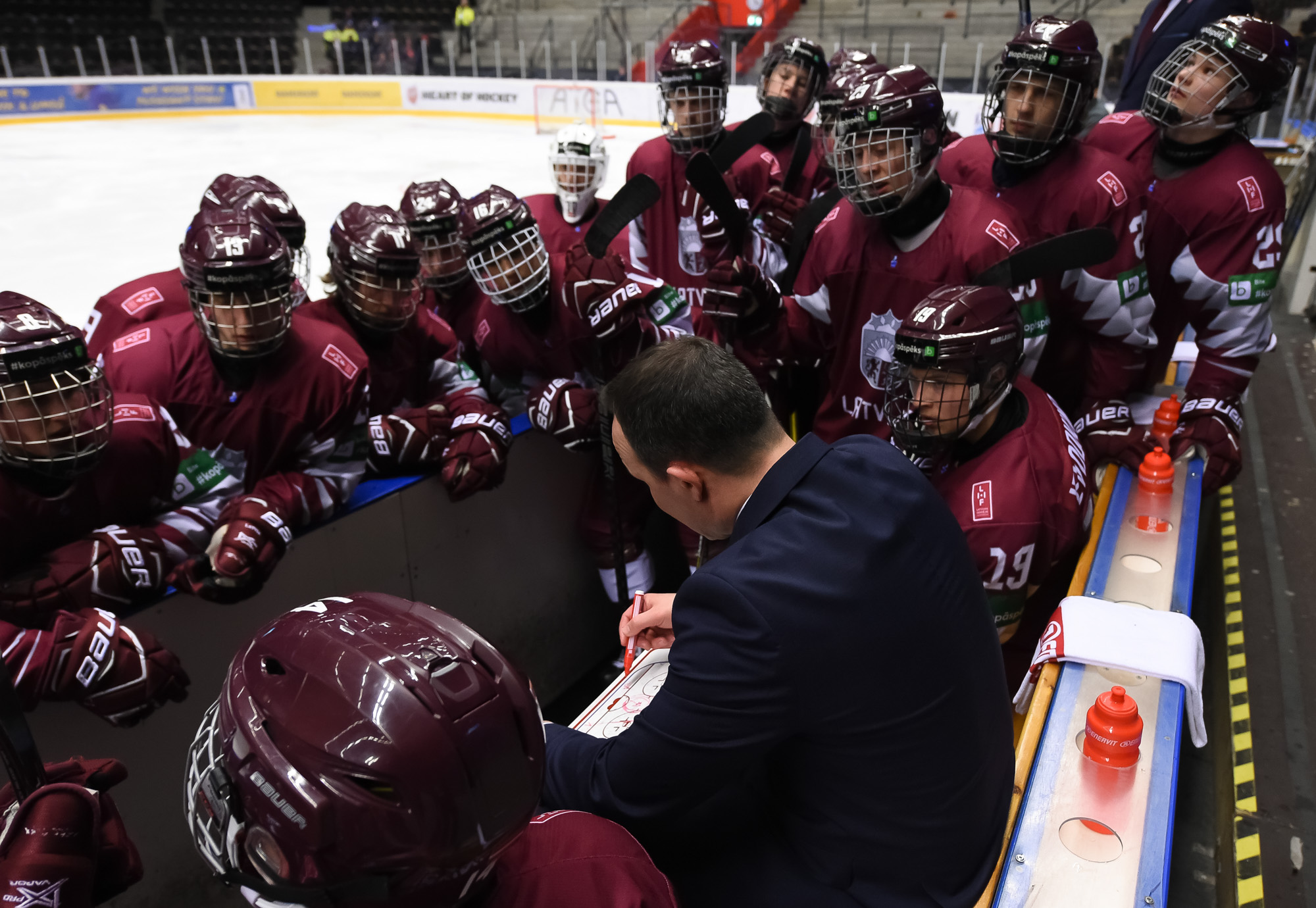 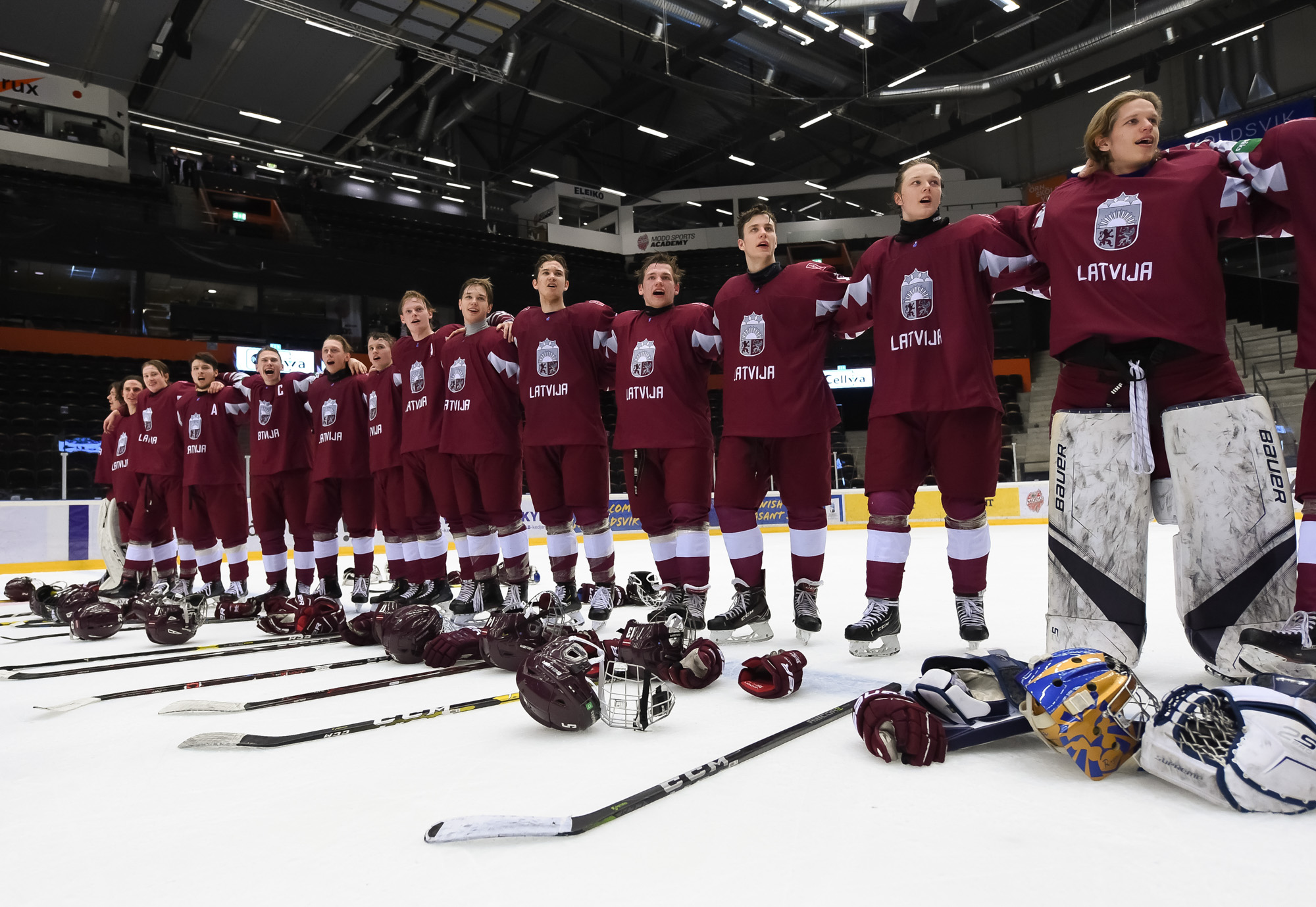 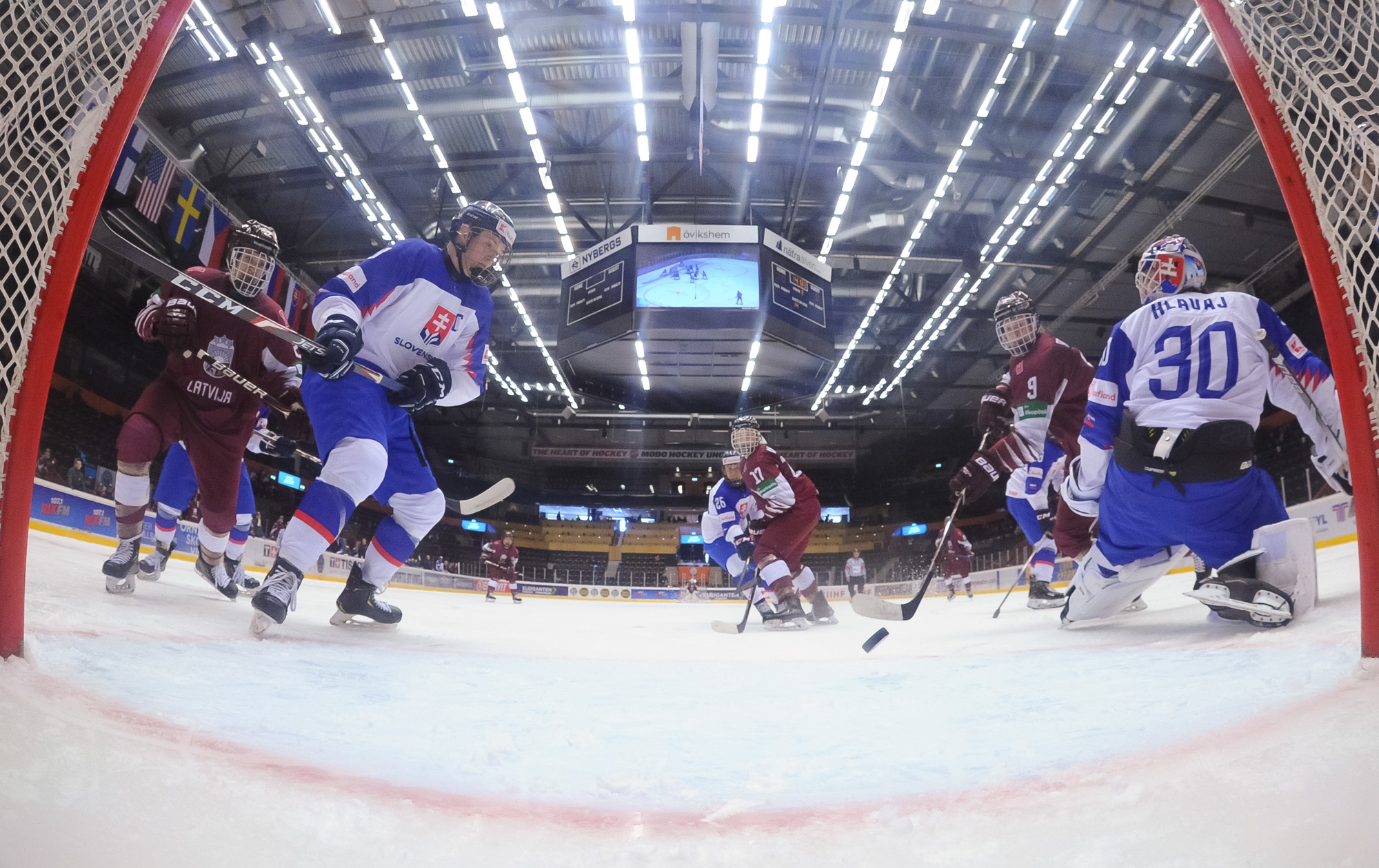 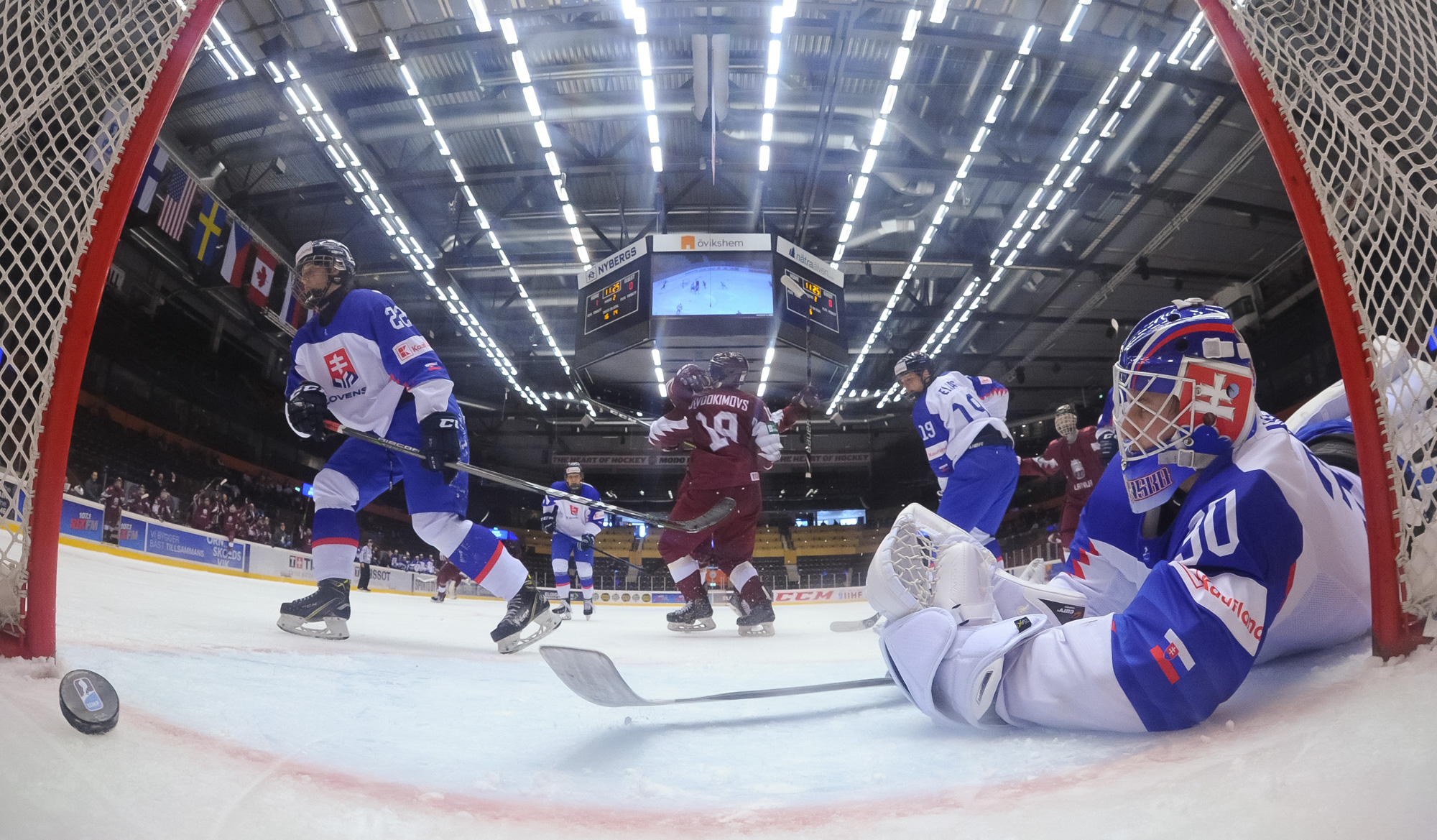 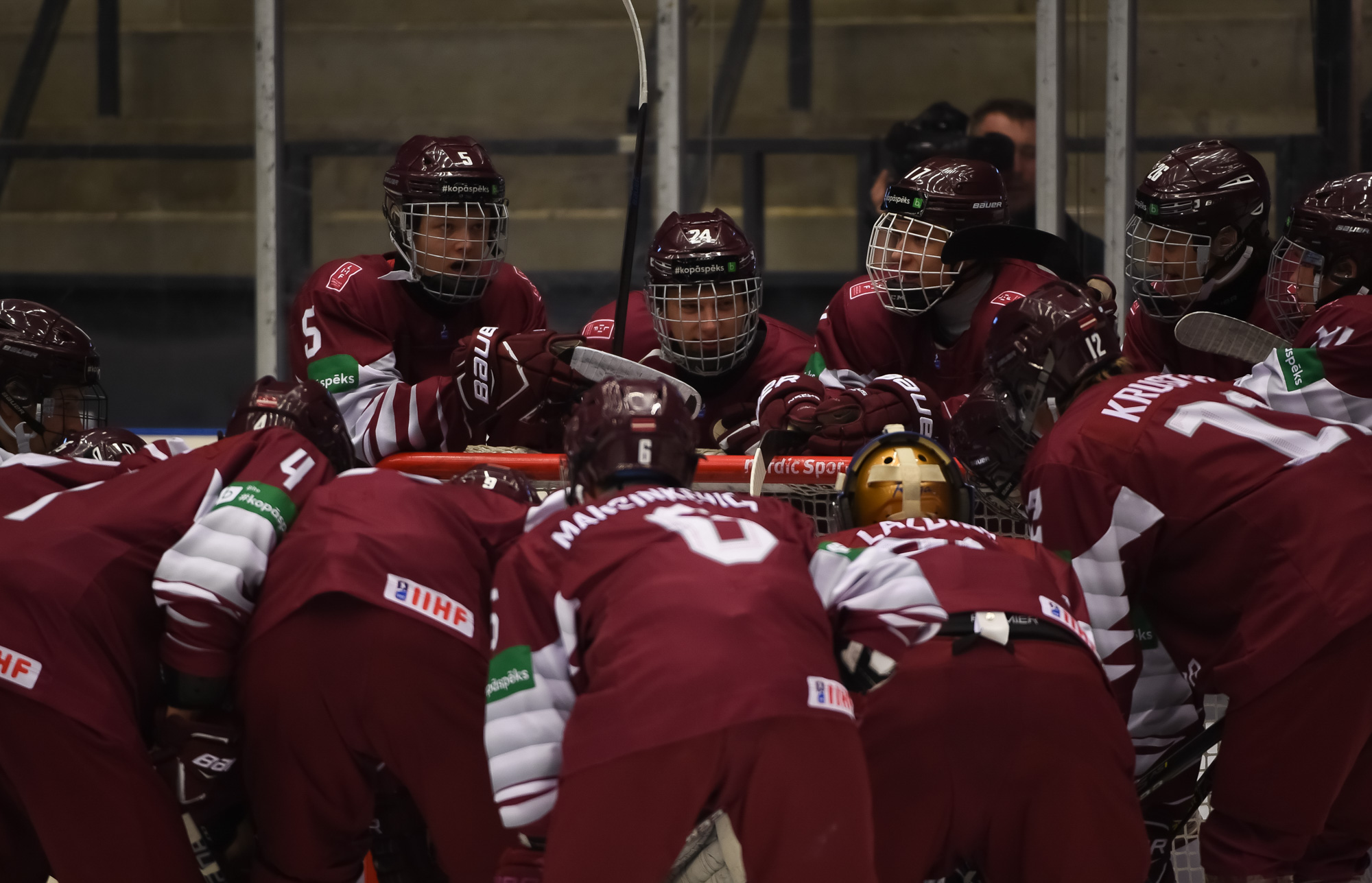 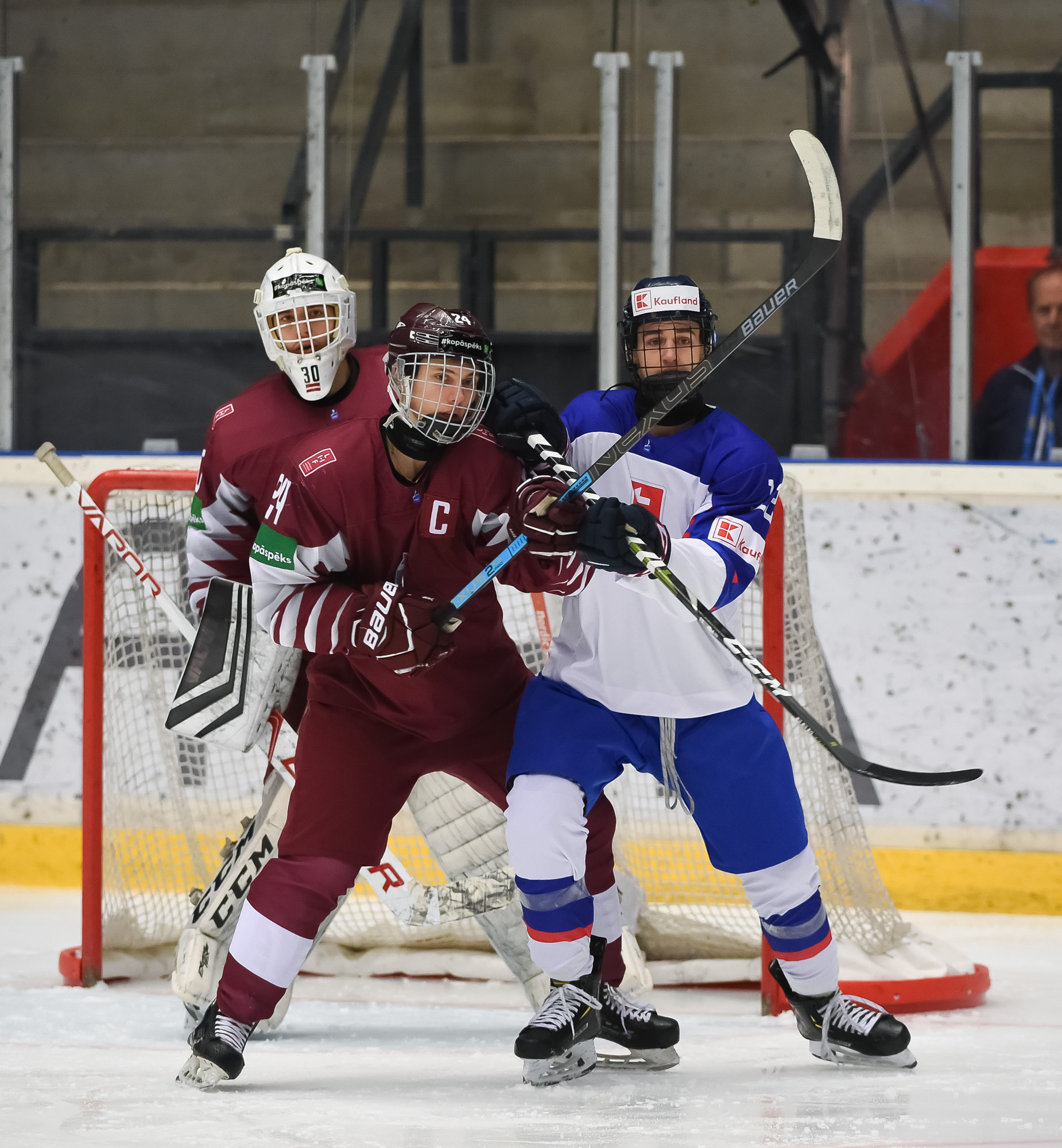 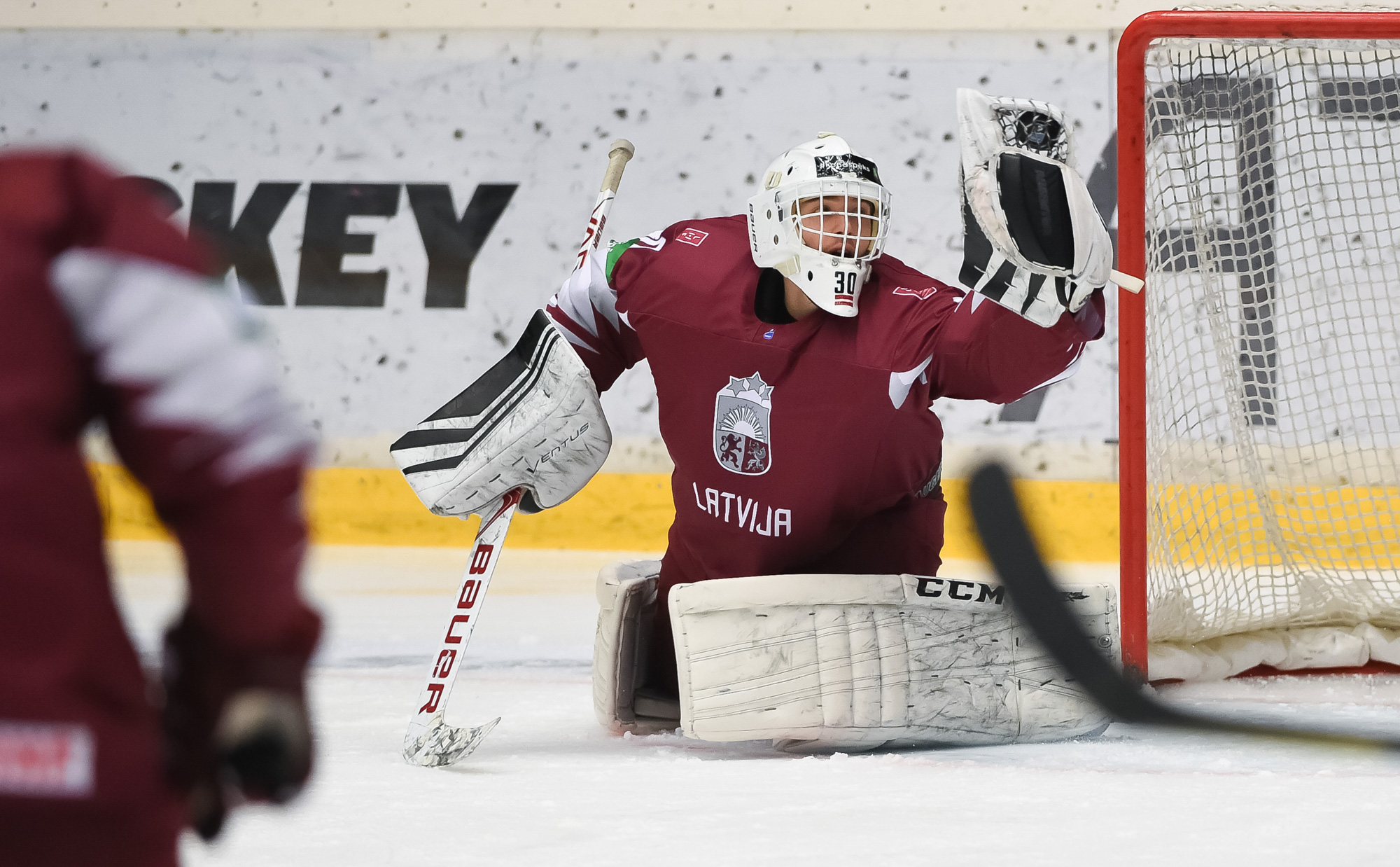 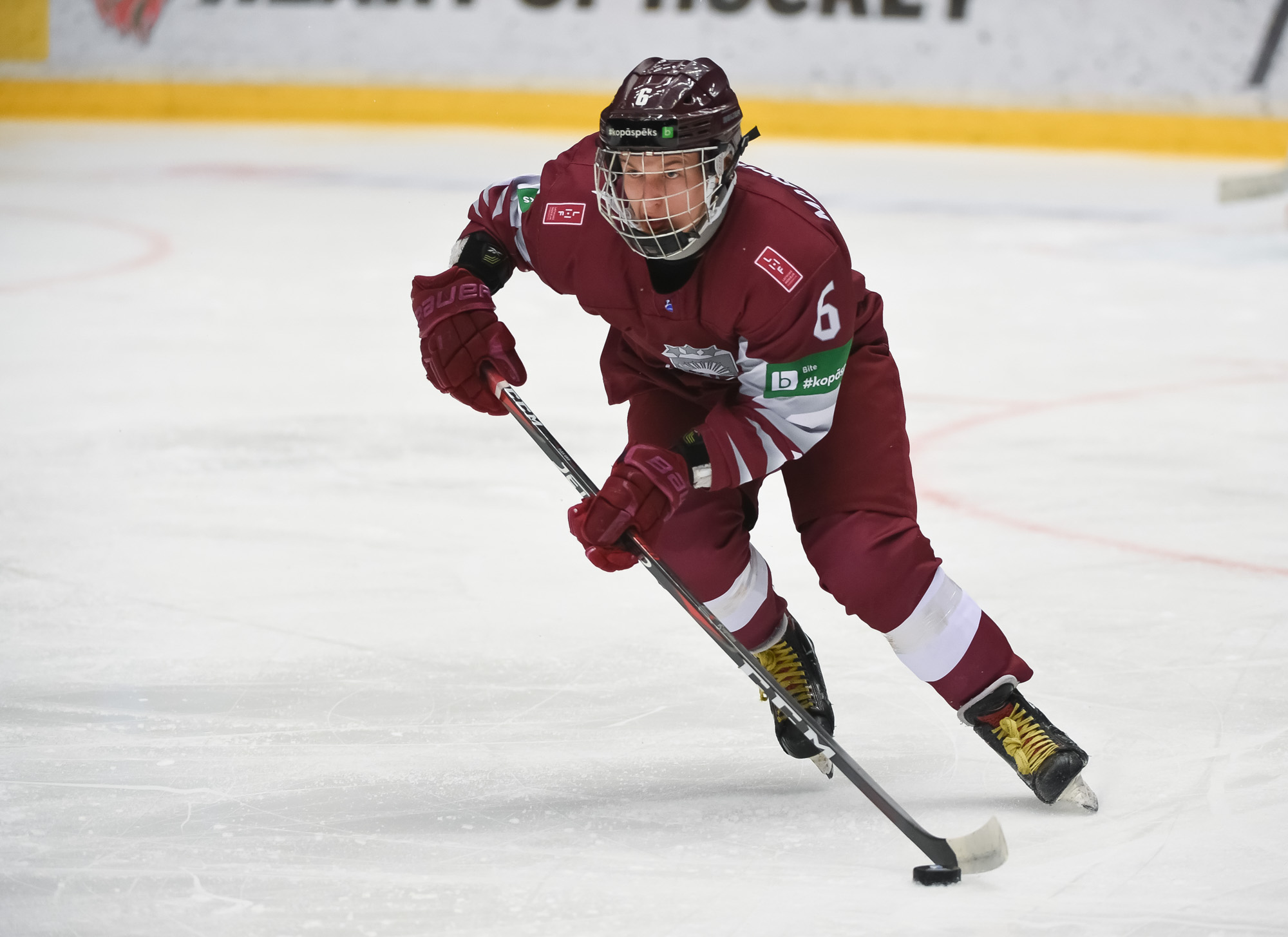 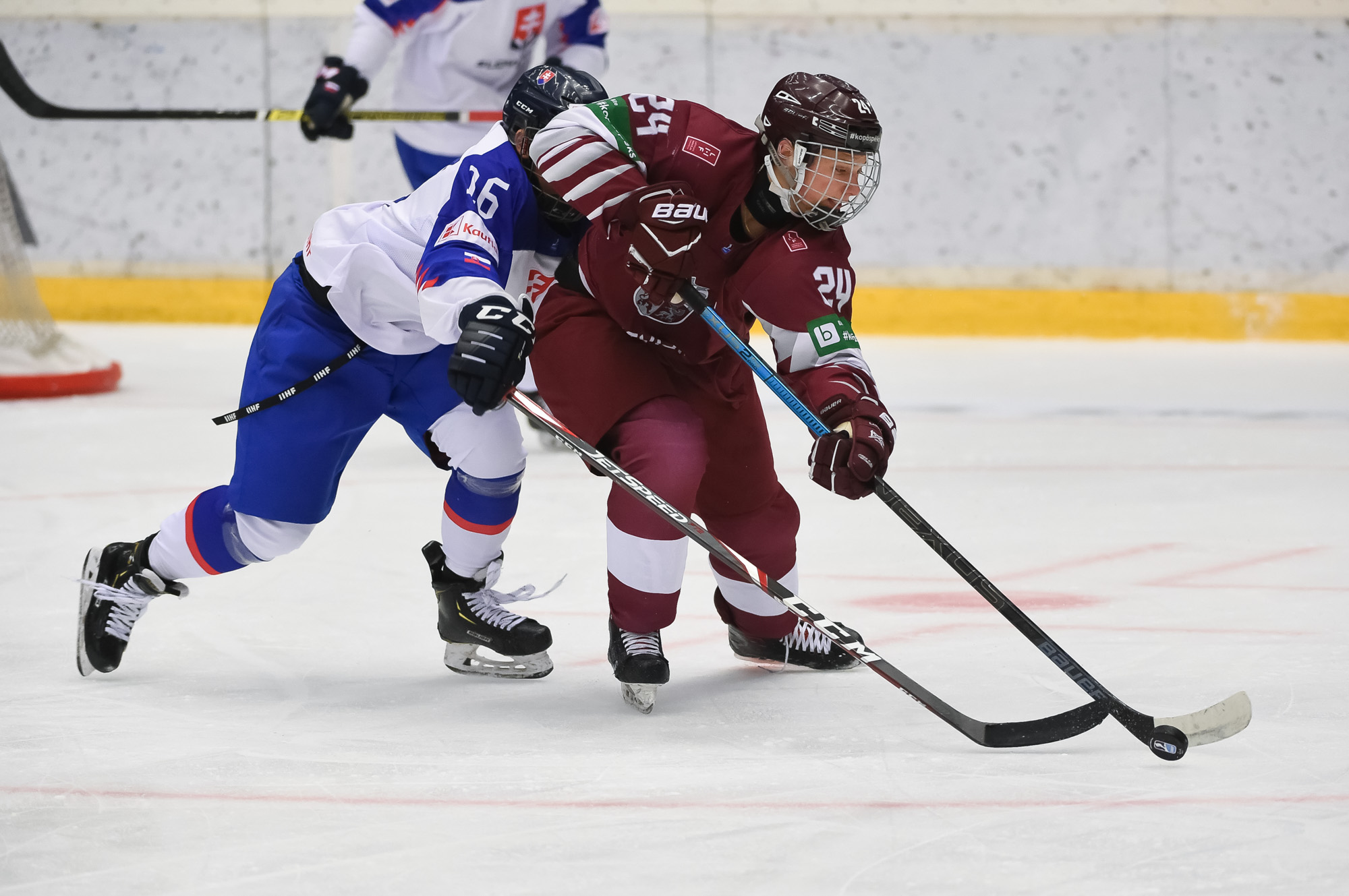 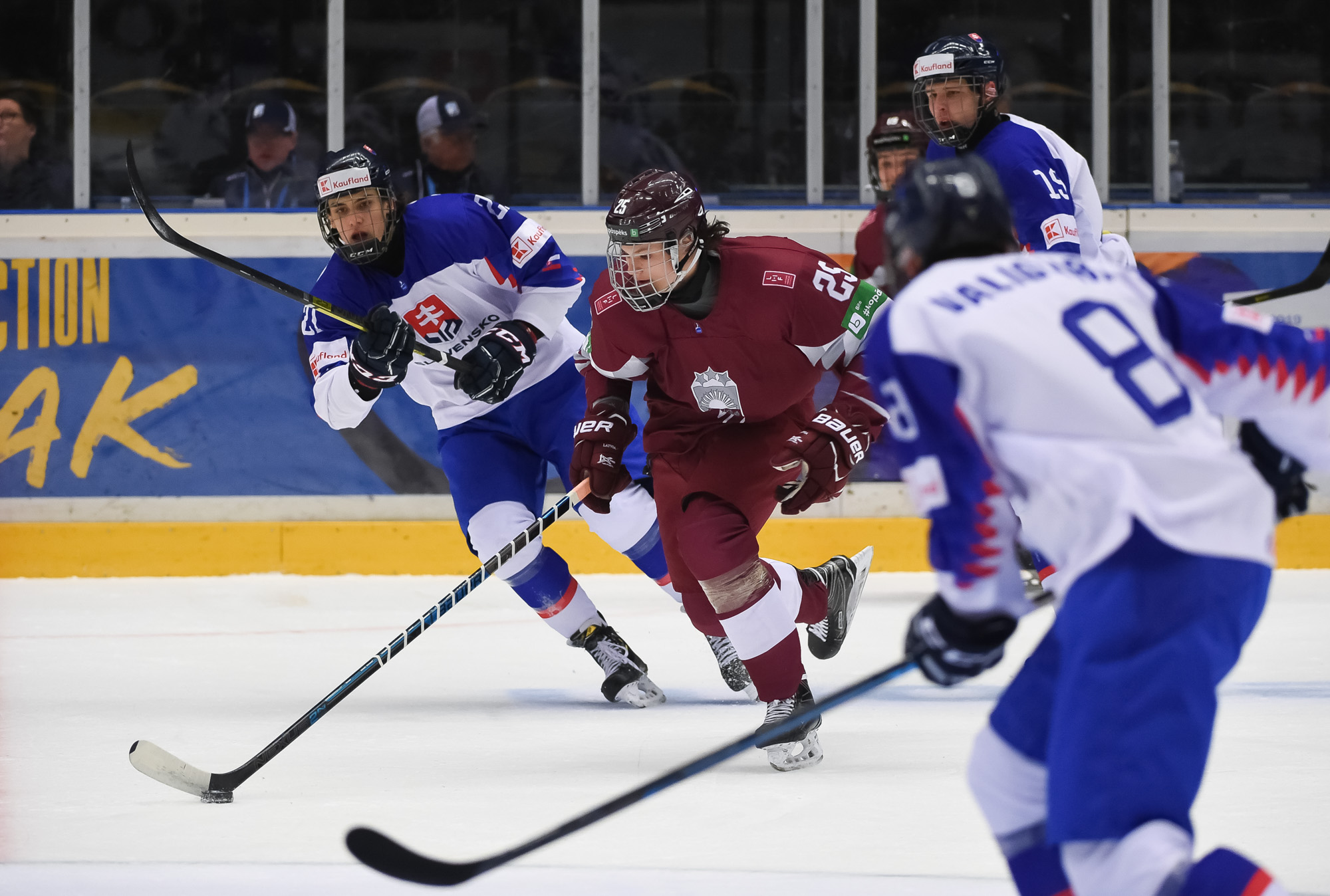 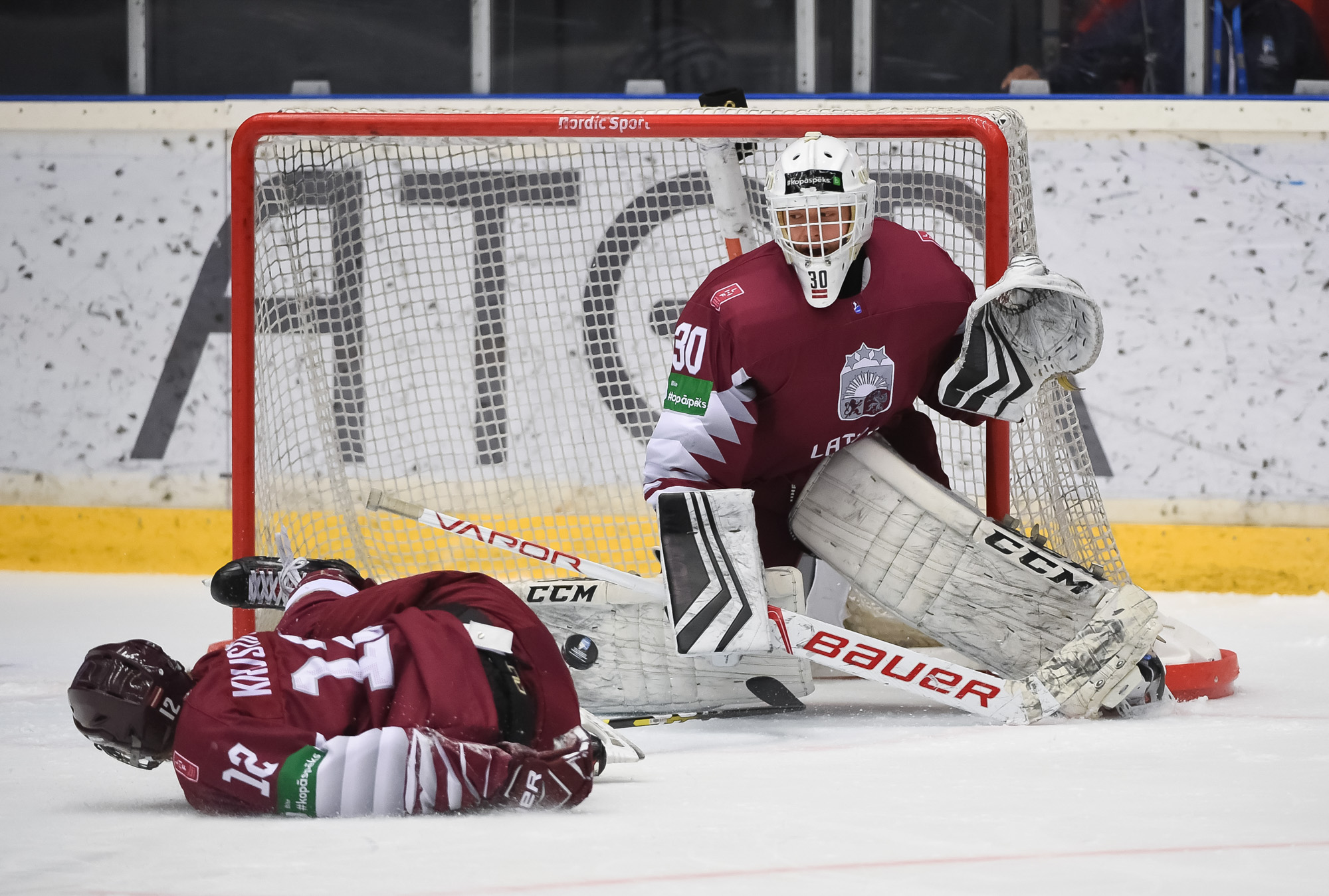 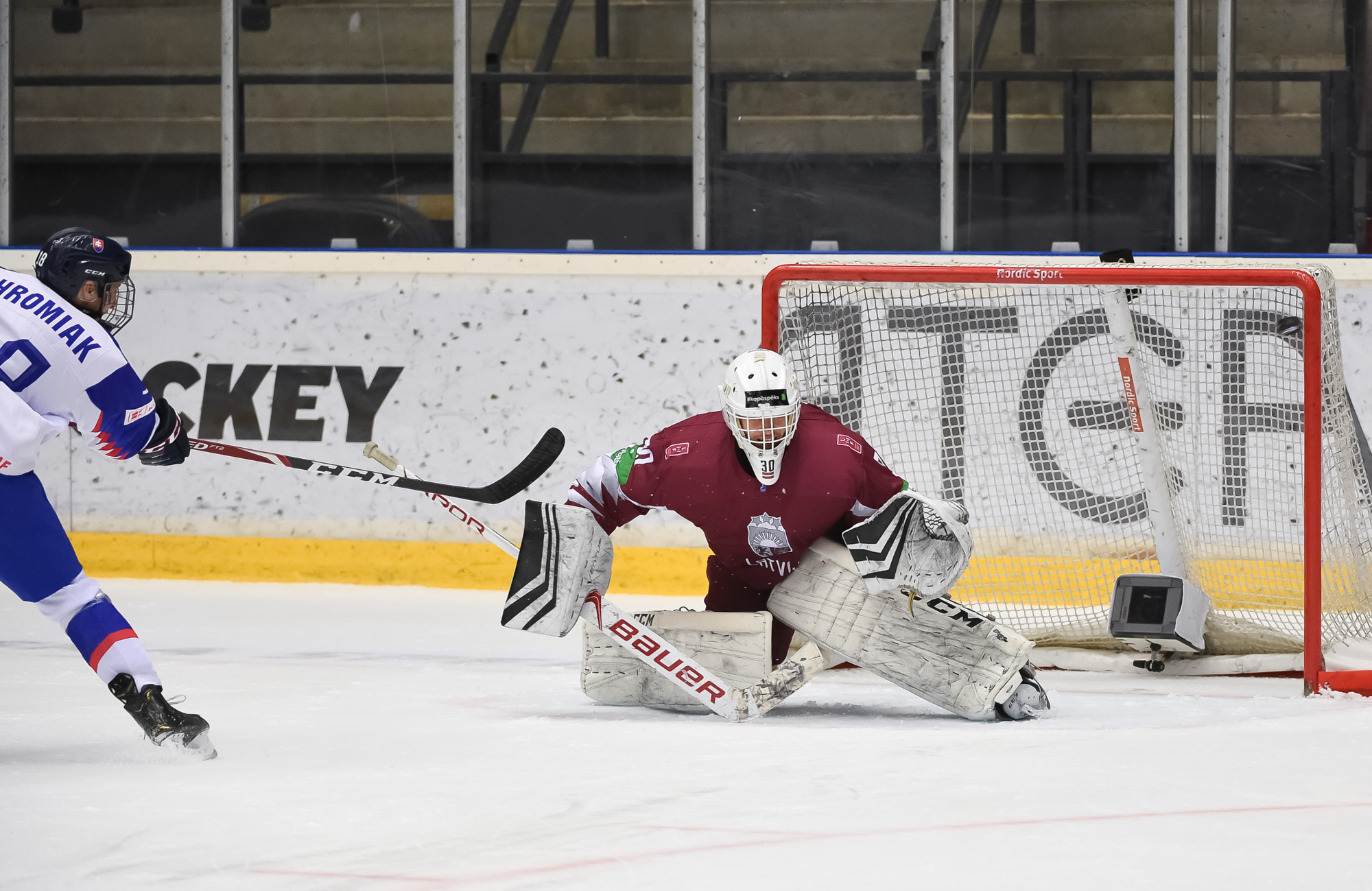 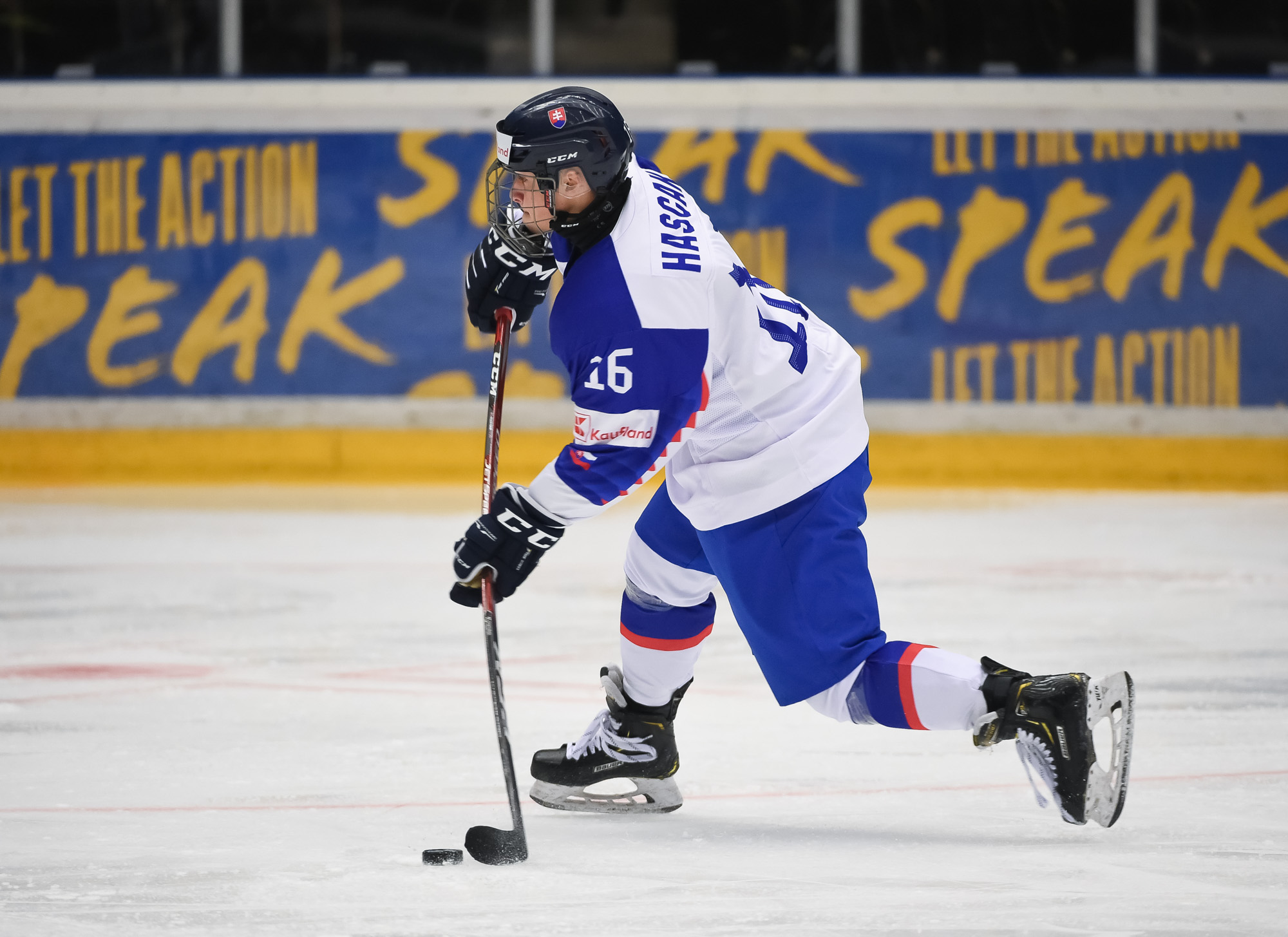 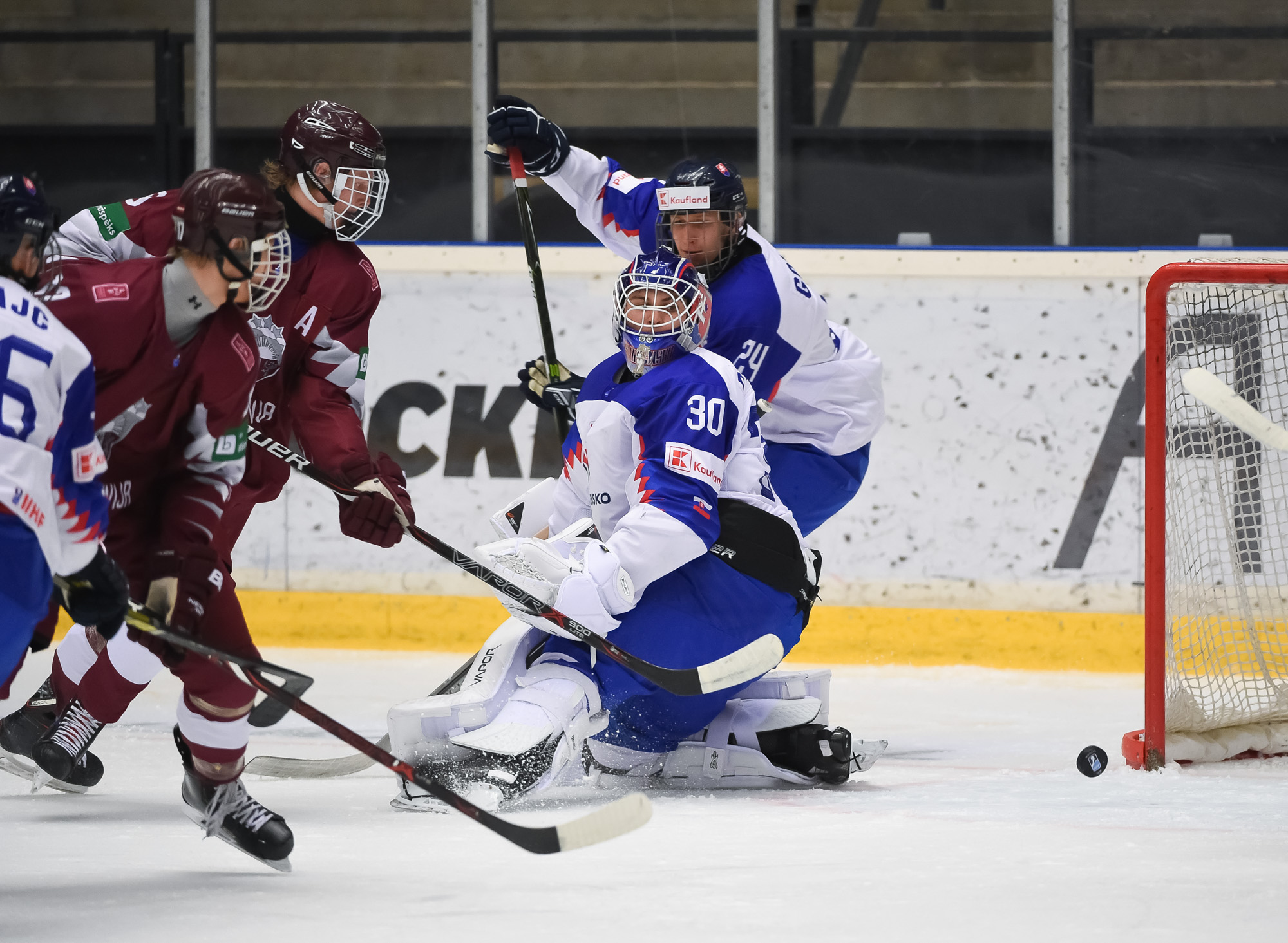 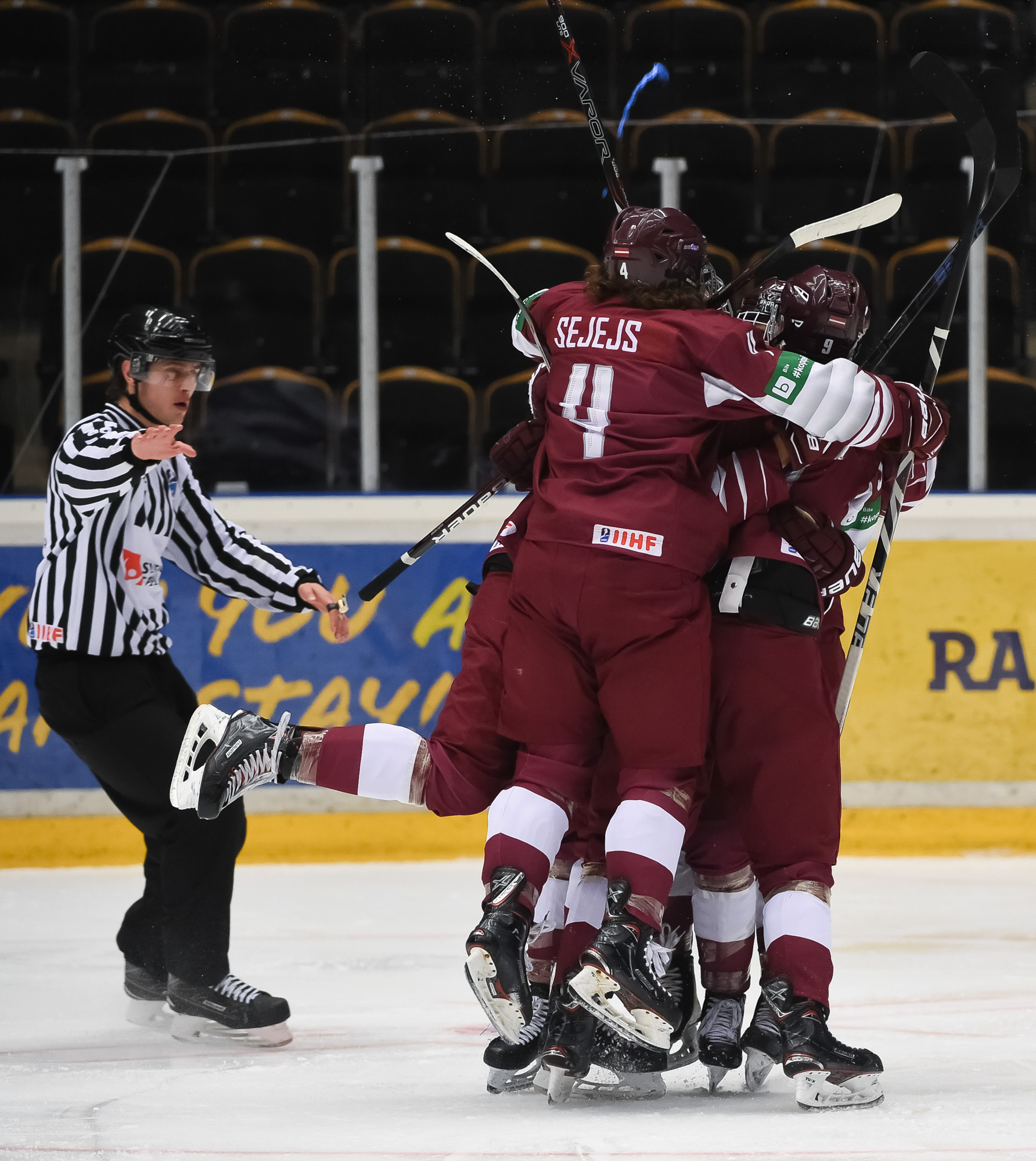 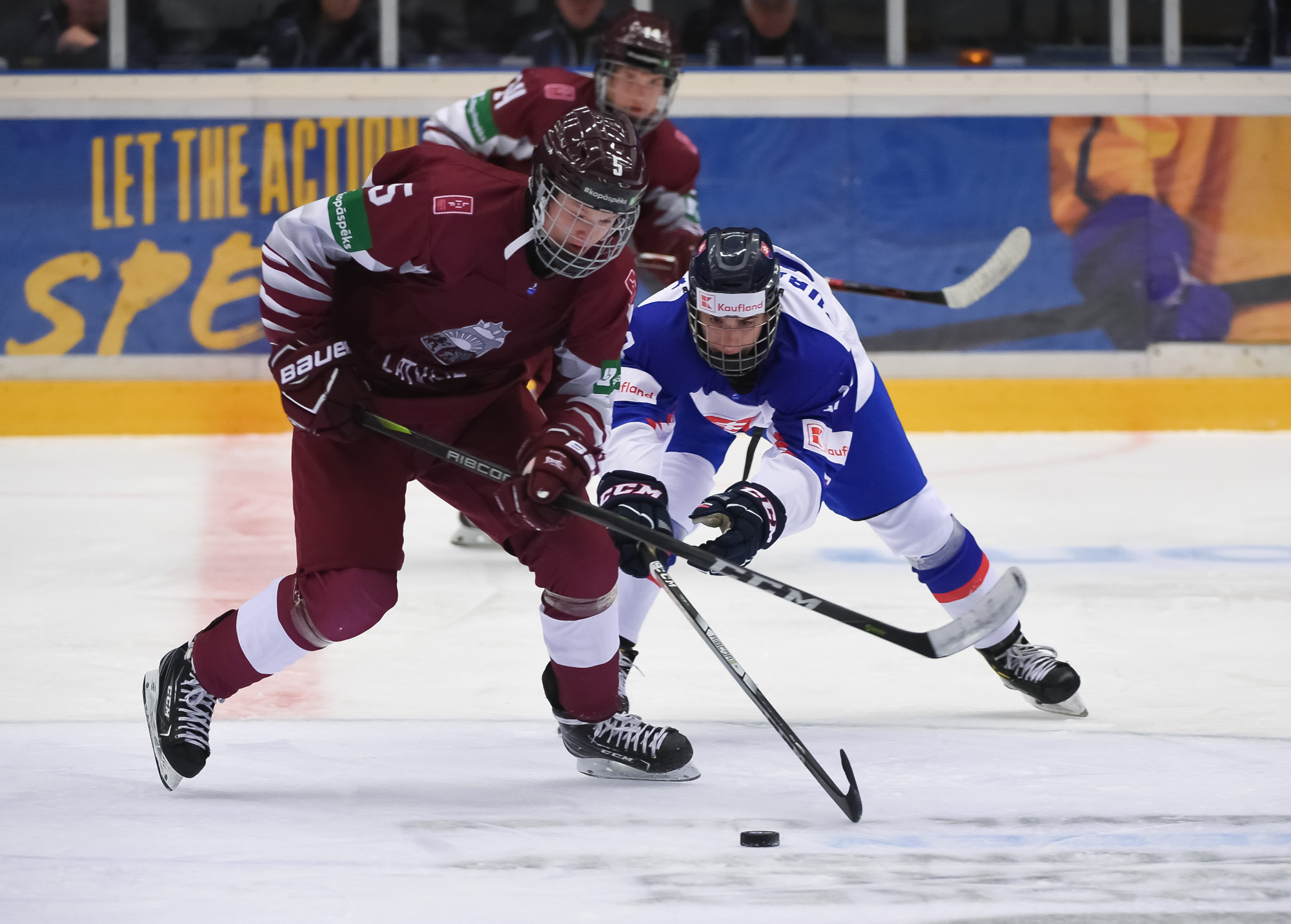 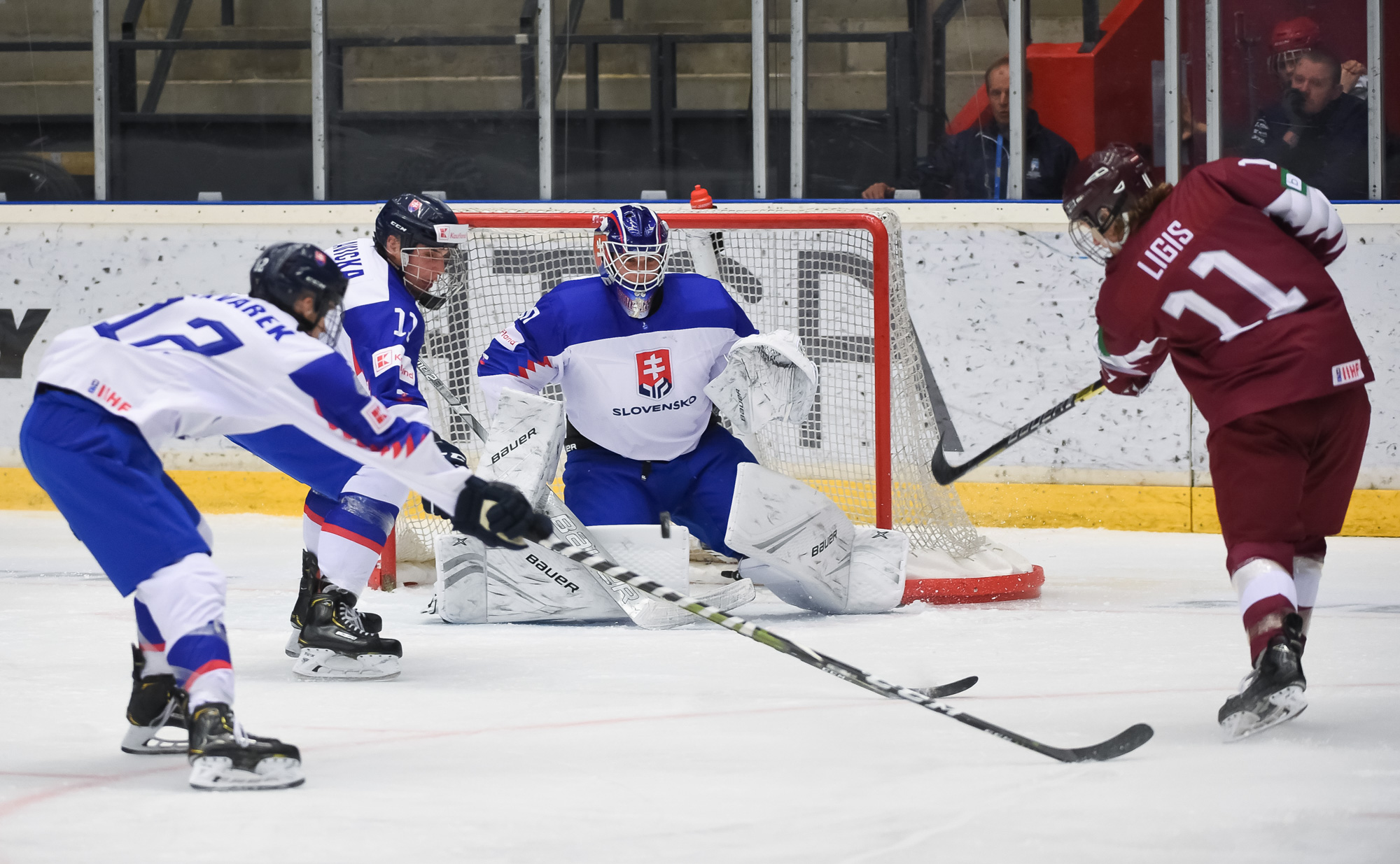 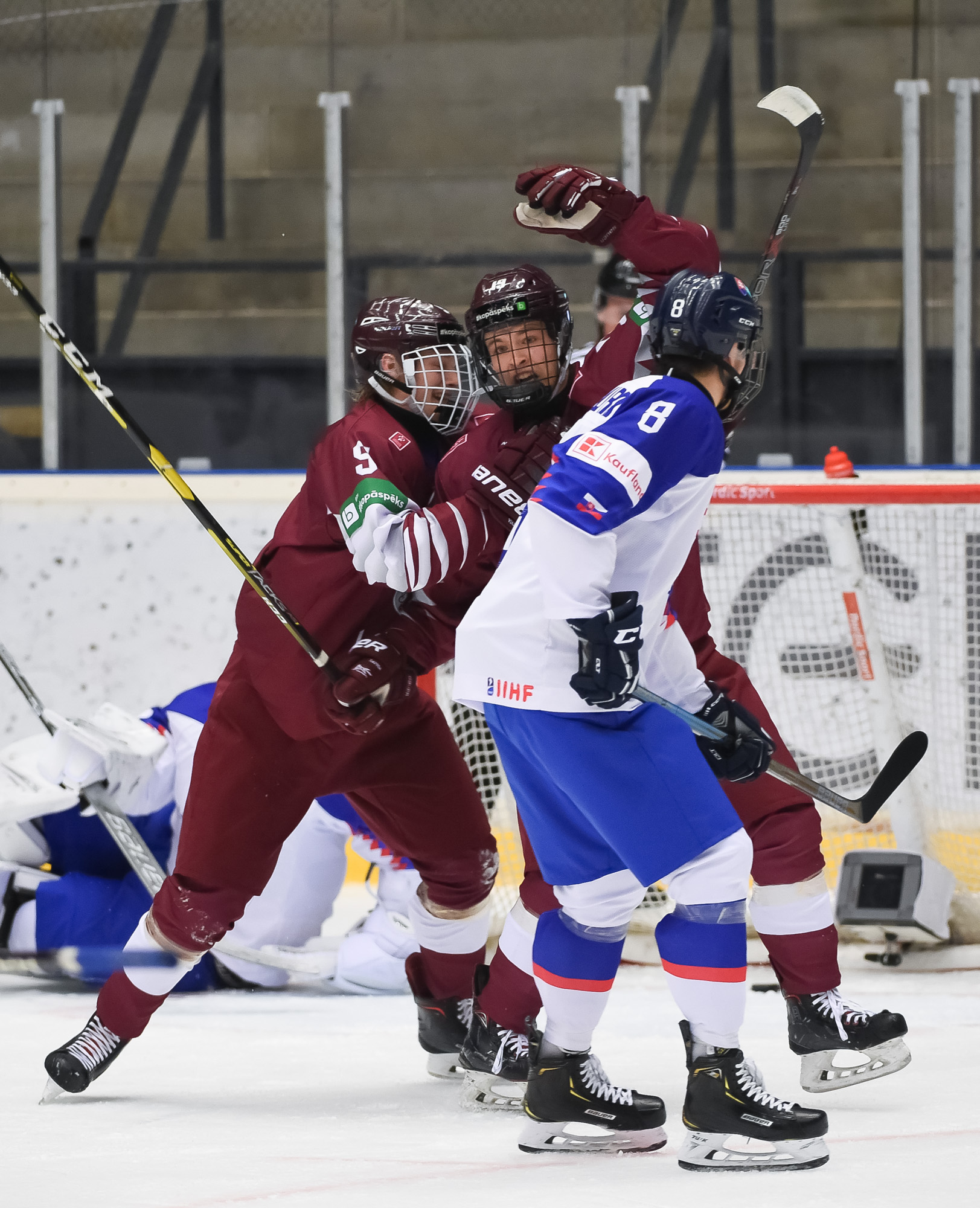 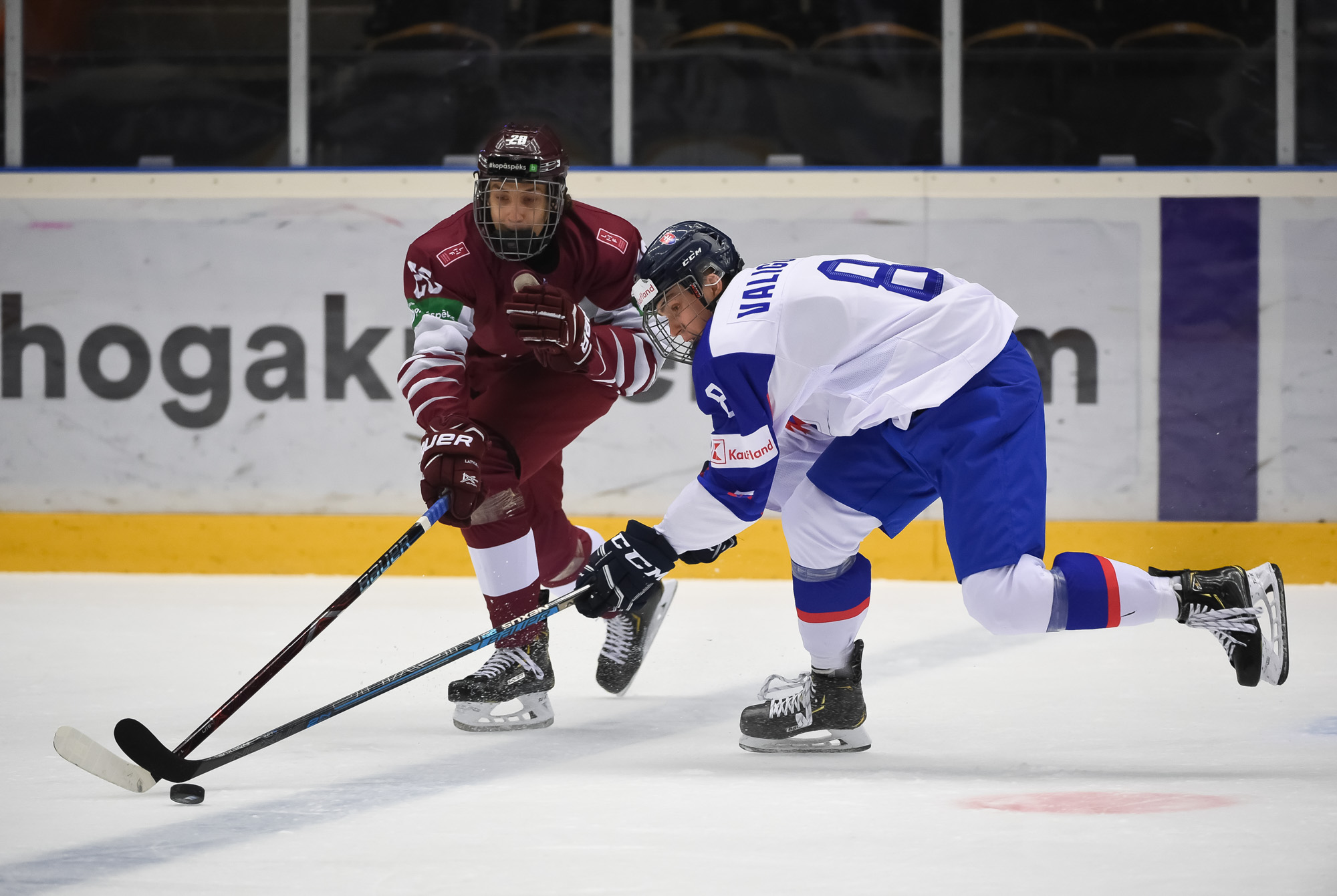 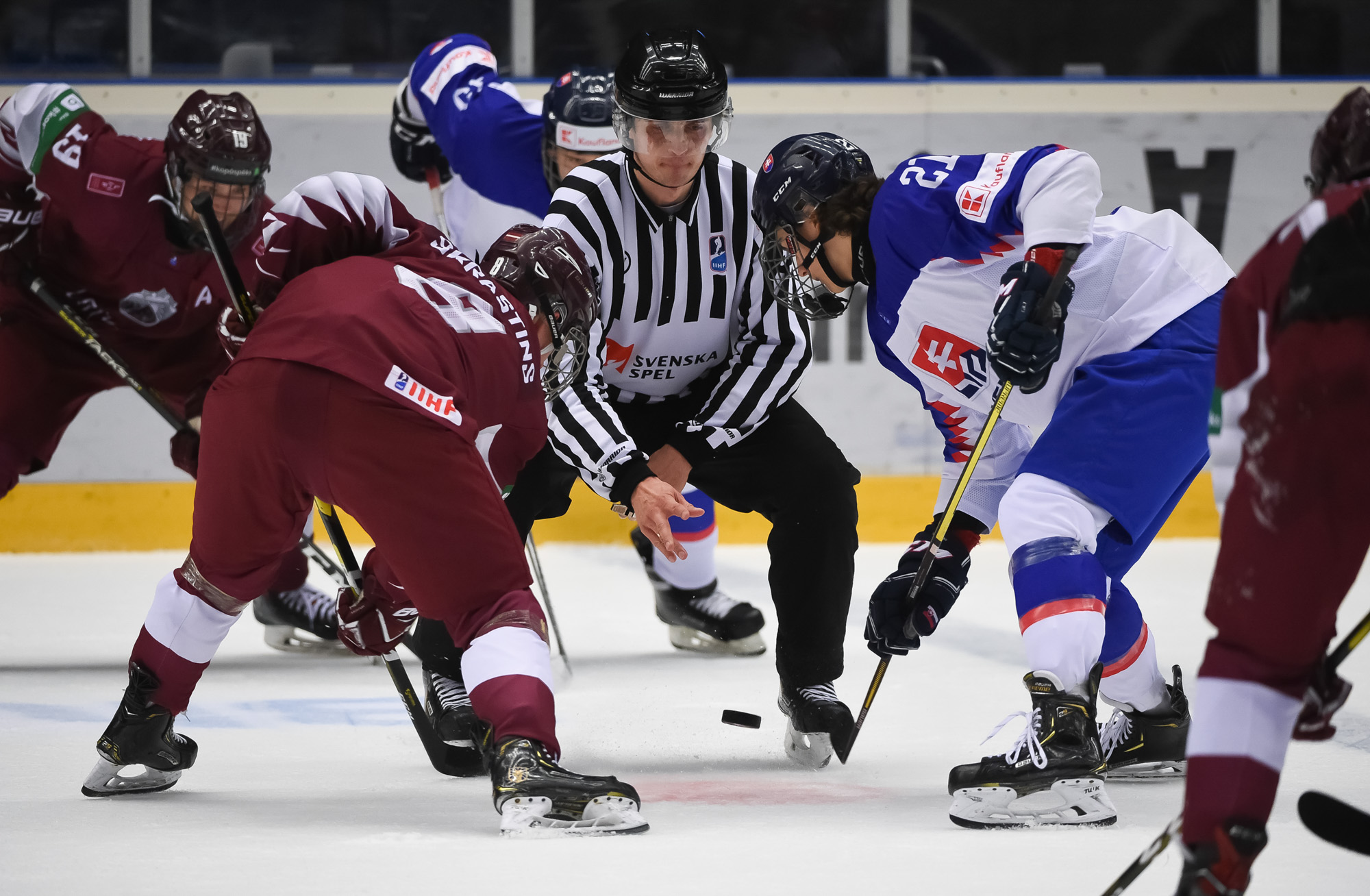 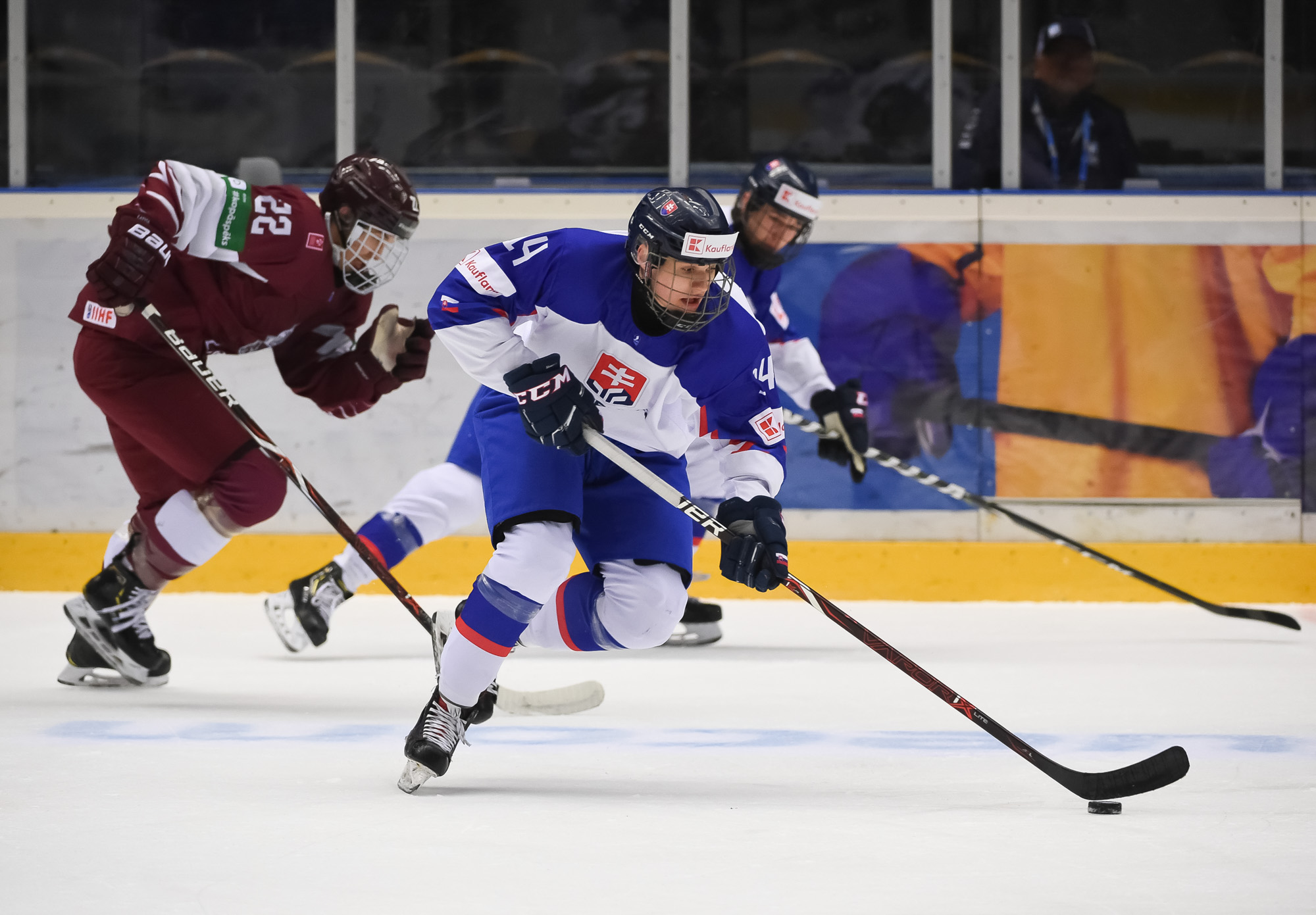 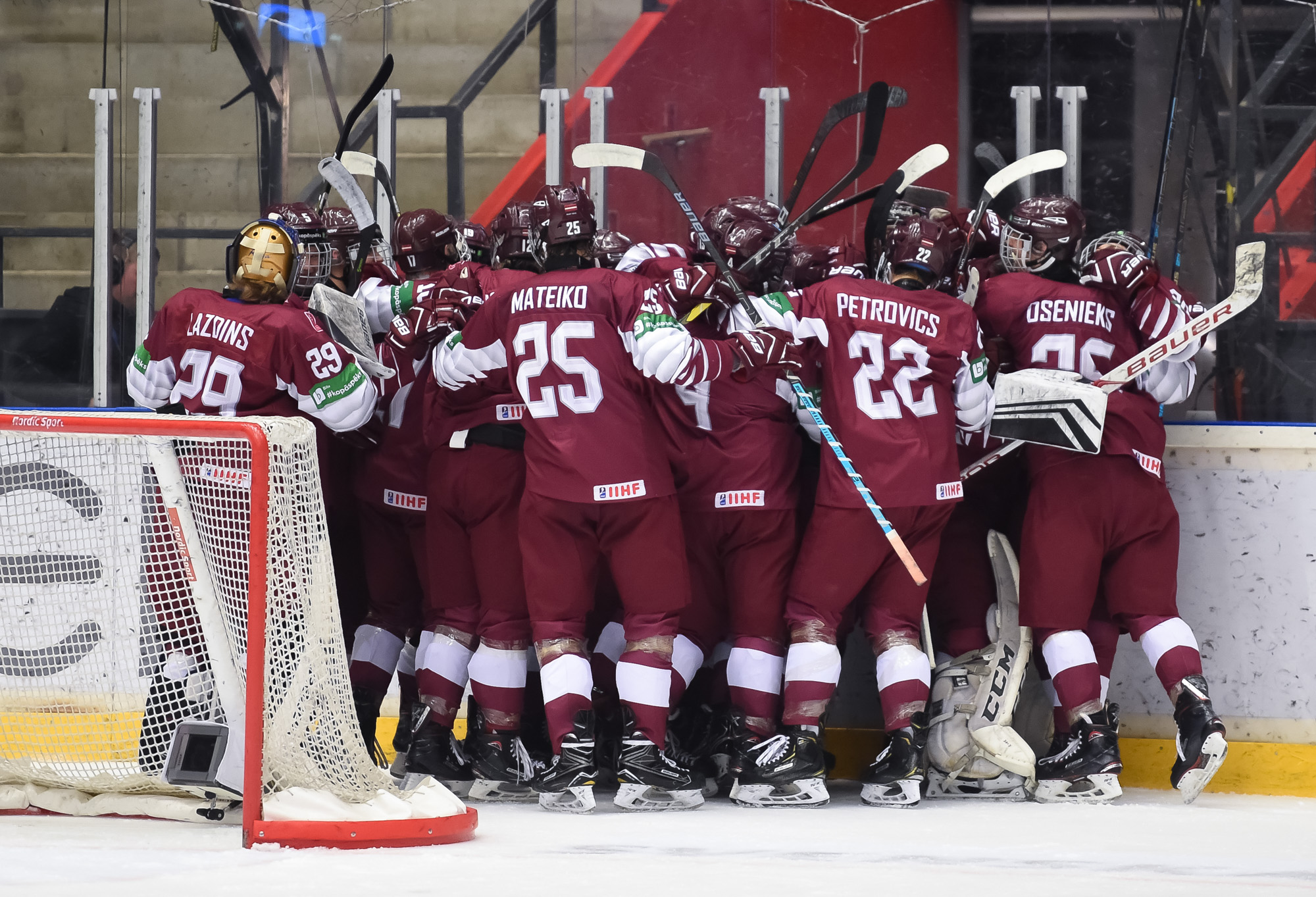 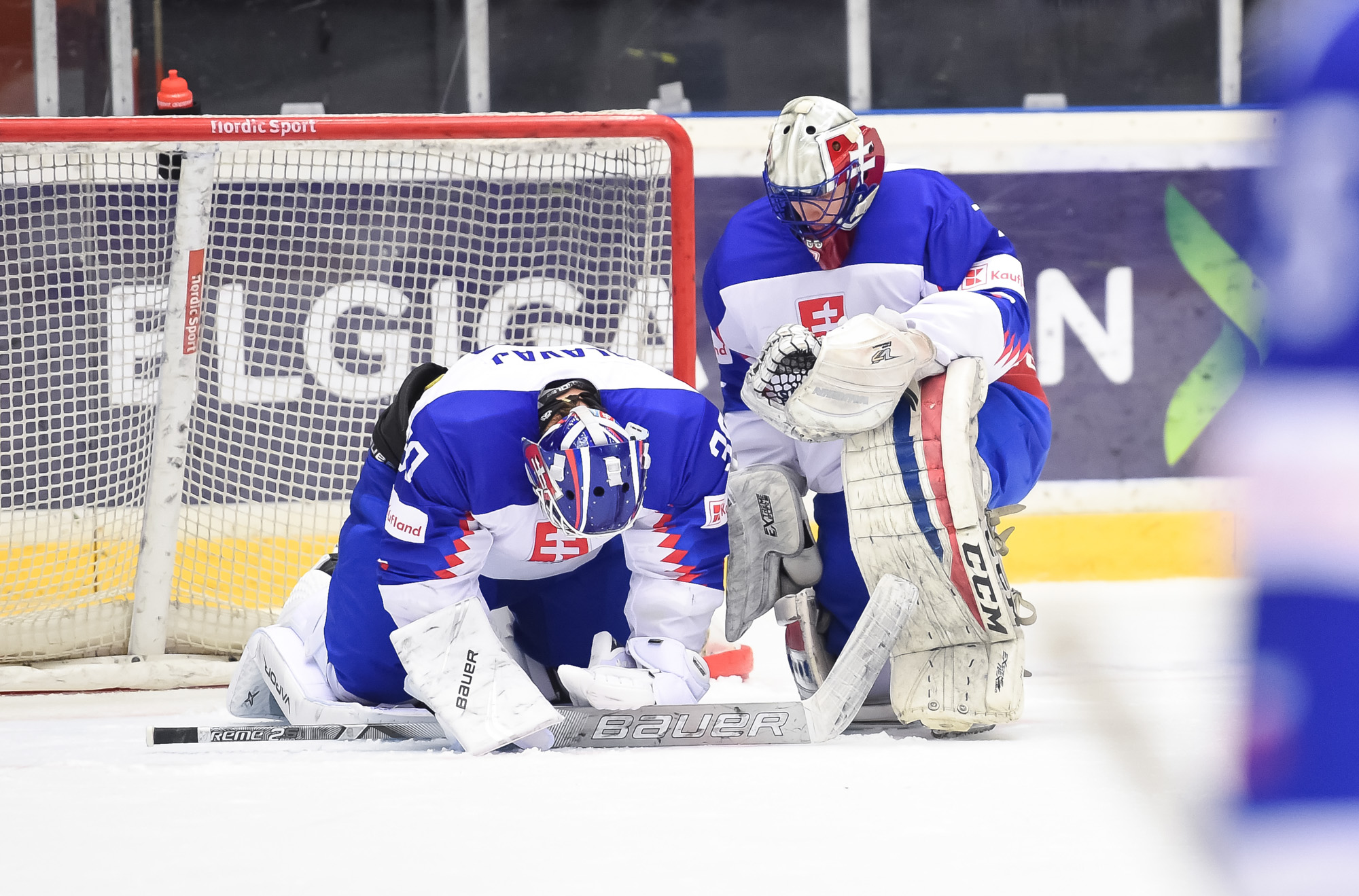 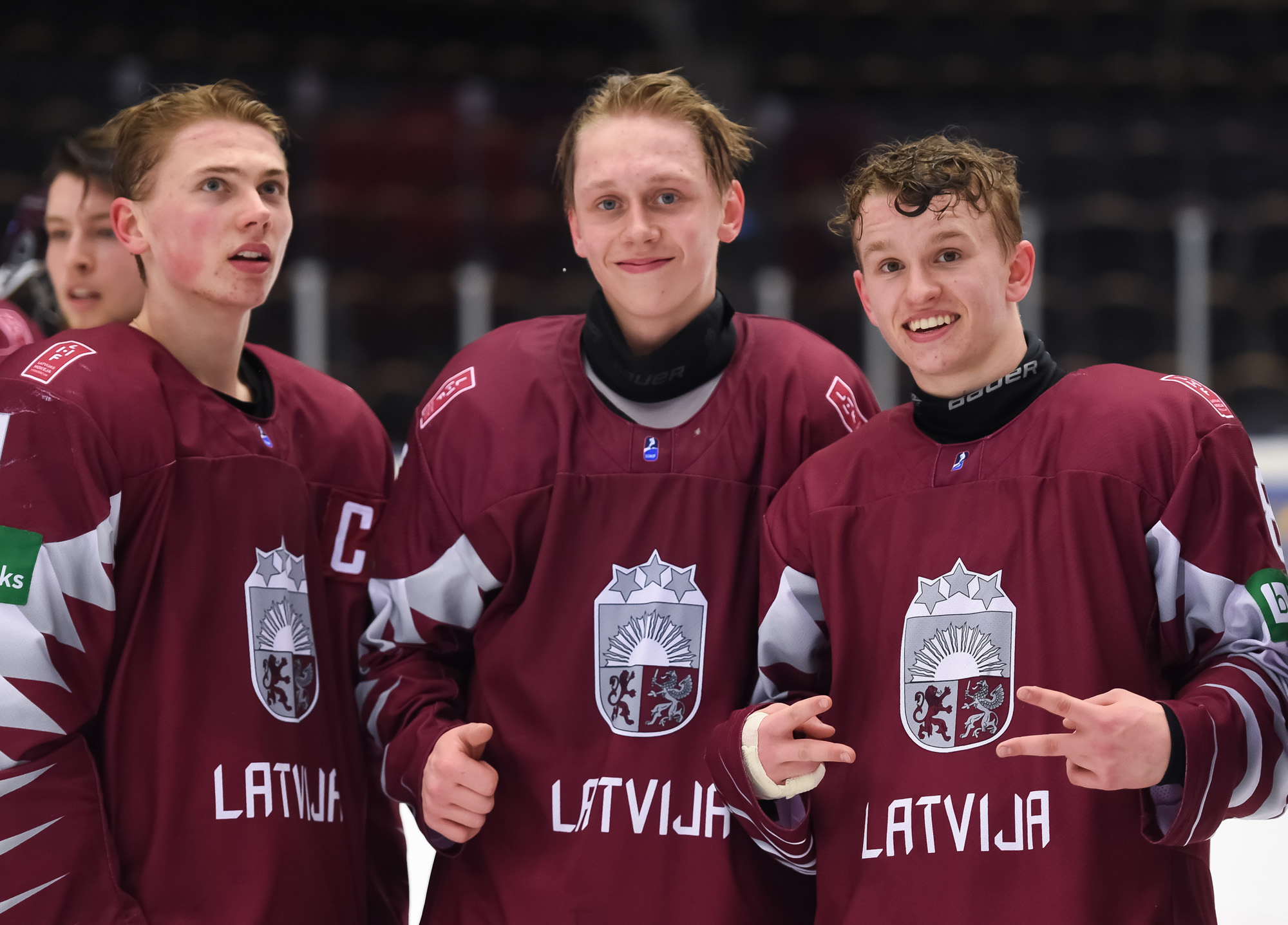 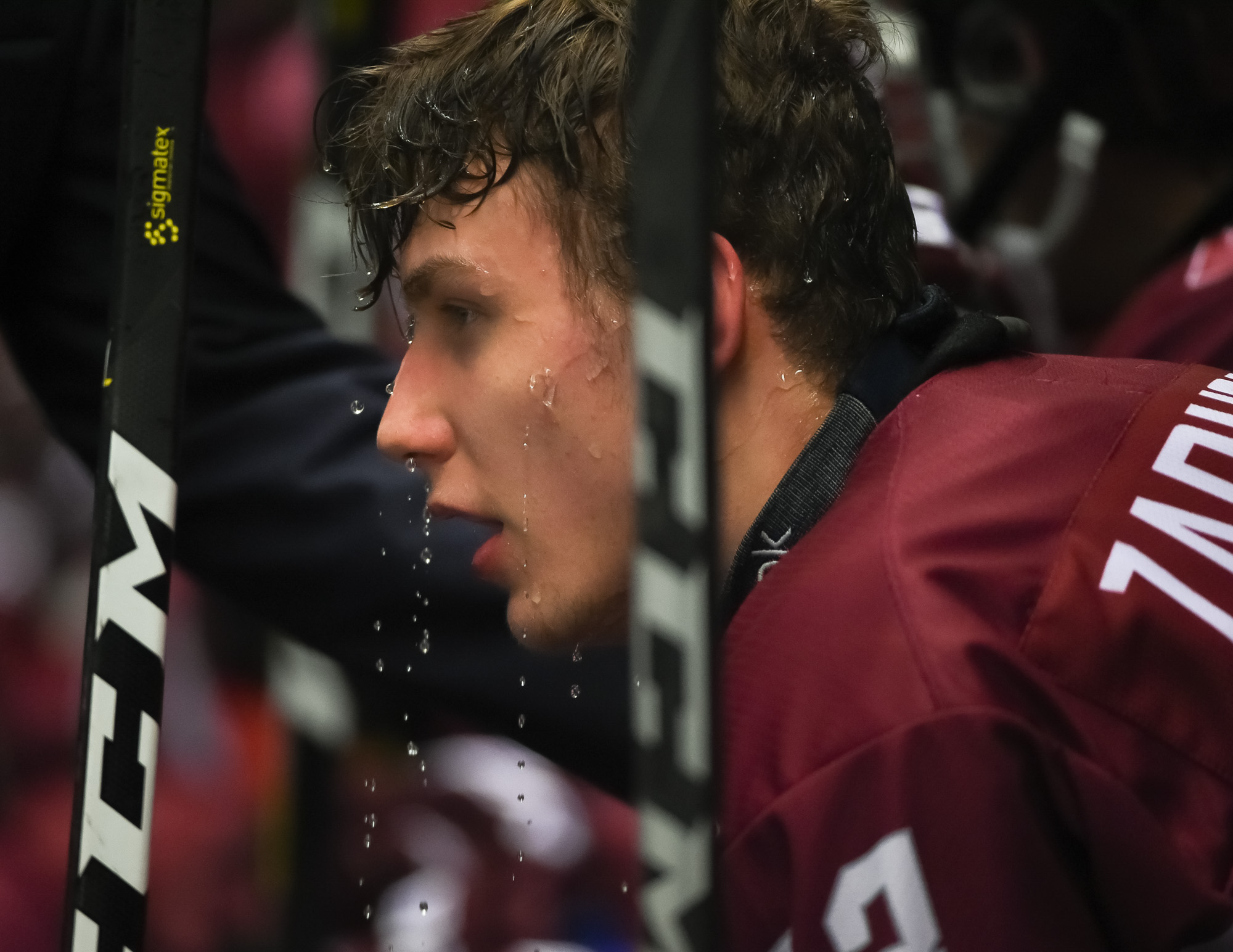 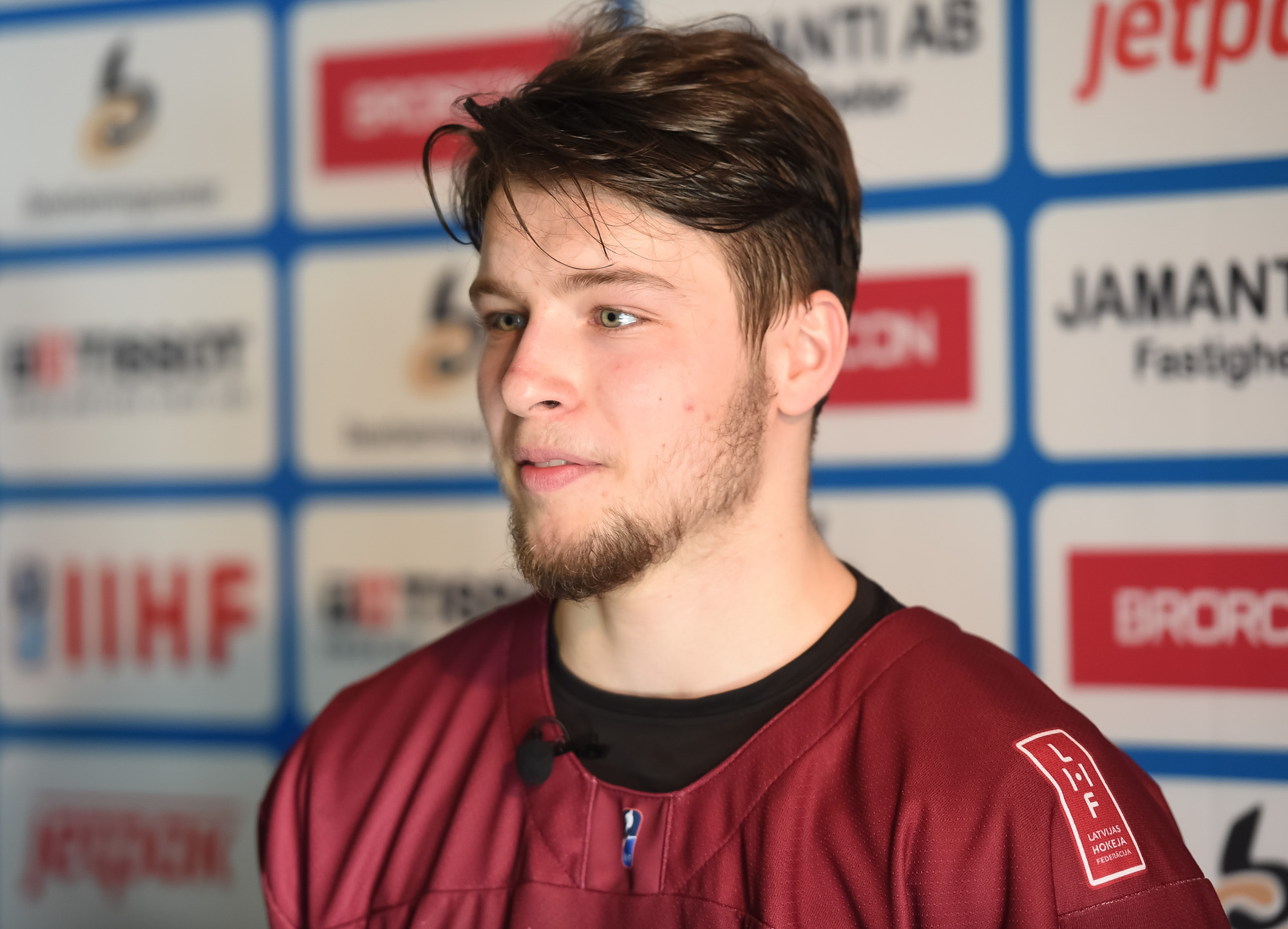