With a 4-1 win over Kazakhstan on Monday, Sweden locked up first place in Group B and booked a quarter-final date with Switzerland.

Five Swedish skaters were out of the lineup due to illness: defencemen Adam Ginning and Philip Broberg and forwards Rickard Hugg, Filip Sveningsson, and Johan Sodergran. But coach Tomas Monten's boys played hard and made sure neither the U.S. nor Finland could grab that top seed.

"It affected us today, because we had a really short bench," said Monten. "We hope we can ride it out tomorrow."

Switzerland came fourth in Group A. Historically and statistically, Wednesday's quarter-final matchup favors the Swedes, who are unbeaten in Victoria. The Swedes have won nine straight World Junior games against Switzerland and 20 overall, with just three losses. However, the Swiss fought tooth and nail in their losses to the Czech Republic (2-1), Canada (3-2), and Russia (7-4), and cannot be taken lightly.

"I've heard they're a pretty good team," Swedish captain Erik Brannstrom said. "They have a few players that are really good. We just need to play our game and play fast and get the puck to the forwards from down low. We need to focus on our game."

Against Kazakhstan, Rasmus Sandin led the way with two goals and an assist for Sweden, and Emil Bemstrom and Nils Lundkvist added singles.

"I think we played a good first period," said Sandin. "I think the second and third were not as good, but it's about winning, and we got the win today. So we're happy with that."

Batyrlan Muratov replied for the Kazakhs.

Both goalies made their World Junior debut. Sweden's Ole Eriksson Ek got the win, while Kazakhstan's Denis Karatayev got a workout. Final shots favoured Sweden 56-11."The city is very beautiful, the support is very good, and it was really amazing for us with the crowd cheering for Kazakhstan," said a smiling Karatayev.

World Men U20
Sweden vs. Kazakhstan - 2019 IIHF World Junior Championship
With a 4-1 win over Kazakhstan, Sweden locked up first place in Group B and booked a quarter-final date with Switzerland.
SWE KAZ 01 JAN 2019

Taking a methodical approach, Sweden built its first-period lead against coach Sergei Starygin’s Kazakh team, which was coming off an 11-2 loss to Slovakia less than 24 hours earlier.

Unlike Slovakia, which scored two goals in the first minute versus Kazakhstan, Sweden took 7:10 to get on the board. Oskar Back skated in and deftly dished the puck cross-crease to Bemstrom for an easy tap-in, his fourth goal of the tournament. Bemstrom is tied with Brannstrom for the team goals lead.

At 12:13, Sandin made it 2-0 when he sashayed through the right faceoff circle and scored with a high shot.

At 16:49, with the Kazakhs scrambling around their fallen goalie, Lundkvist picked off a failed clearing attempt at the centre point and fired it home for Sweden’s third goal.

During that first period, Monten had to be pleased with the way his team played a 200-foot game, outshooting Kazakhstan 24-1.

One Canadian observer quipped between periods about Kazakhstan: “If there’s one thing they’re good at, it’s getting the fans to cheer!”

During the scoreless second period, Karatayev drew wild applause when he foiled Pontus Holmberg on breakaways. Chants of “Let’s go, Kazakhstan” resounded, as they have throughout Group B action at the Save-On-Foods Memorial Centre. The former Soviet republic kept on pushing, but couldn’t match the undermanned Swedes' speed, skill and defensive awareness.

Still, Monten could identify problems as the game went on: "We just lost our pace. We overhandled in little situations. We just wanted to spread the ice time as much as possible."

In the third period, Kazakhstan finally cashed in with the power play at 9:46, as Muratov scored his first goal of the tournament. Once more, the Victoria fans happily sang Neil Diamond's "Sweet Caroline." But that was as sweet as it would get for the underdogs.

With a big left point drive, Sandin rounded out the scoring for Sweden with 39 seconds left. The Juniorkronorna's 48-game preliminary round winning streak will carry into the 2020 World Juniors in the Czech Republic.

"It is what it is," said Monten. "I signed for three more years, so maybe that was a bad thing, after these World Juniors, because maybe I'm going to be in it when it ends!" 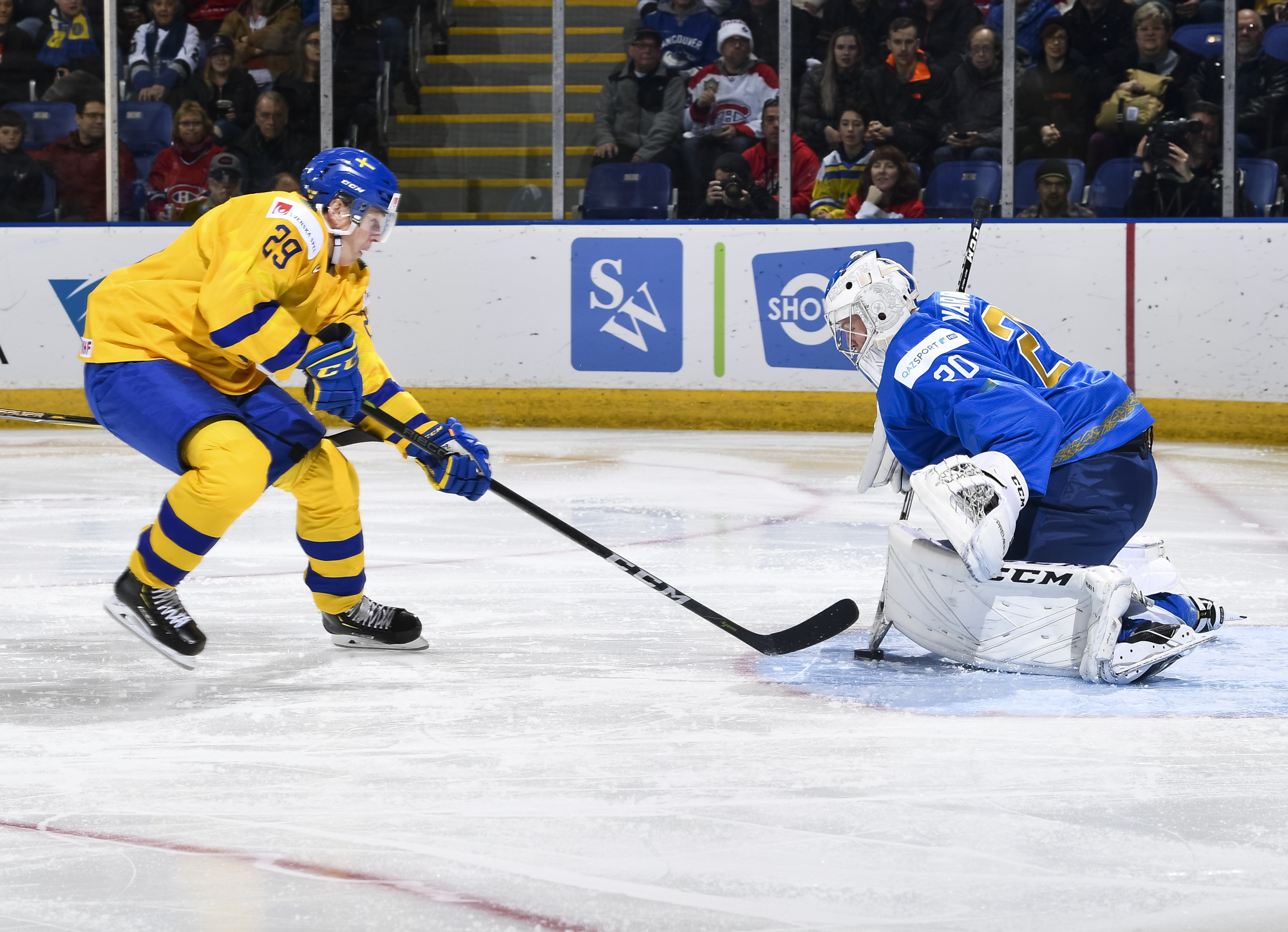 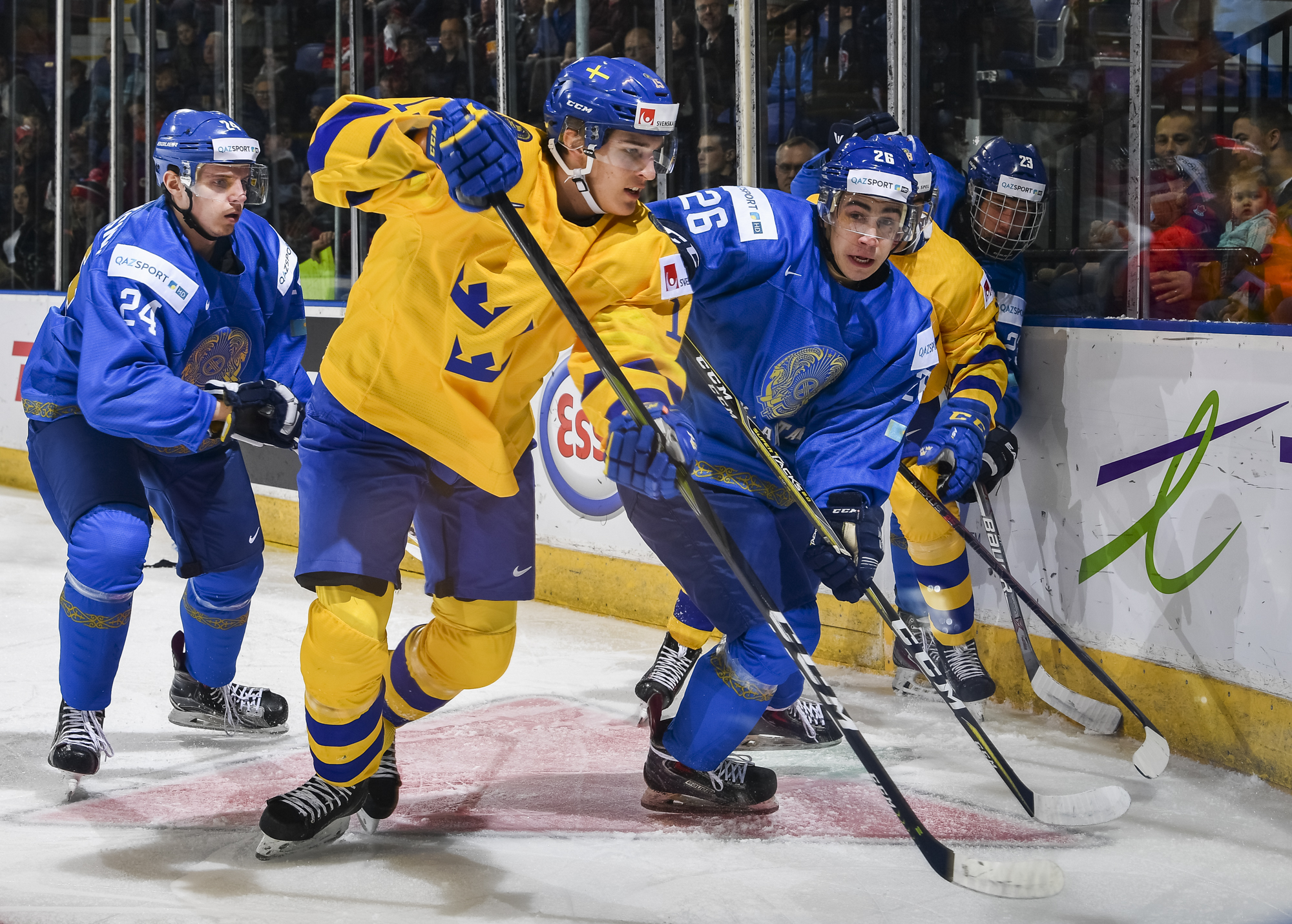 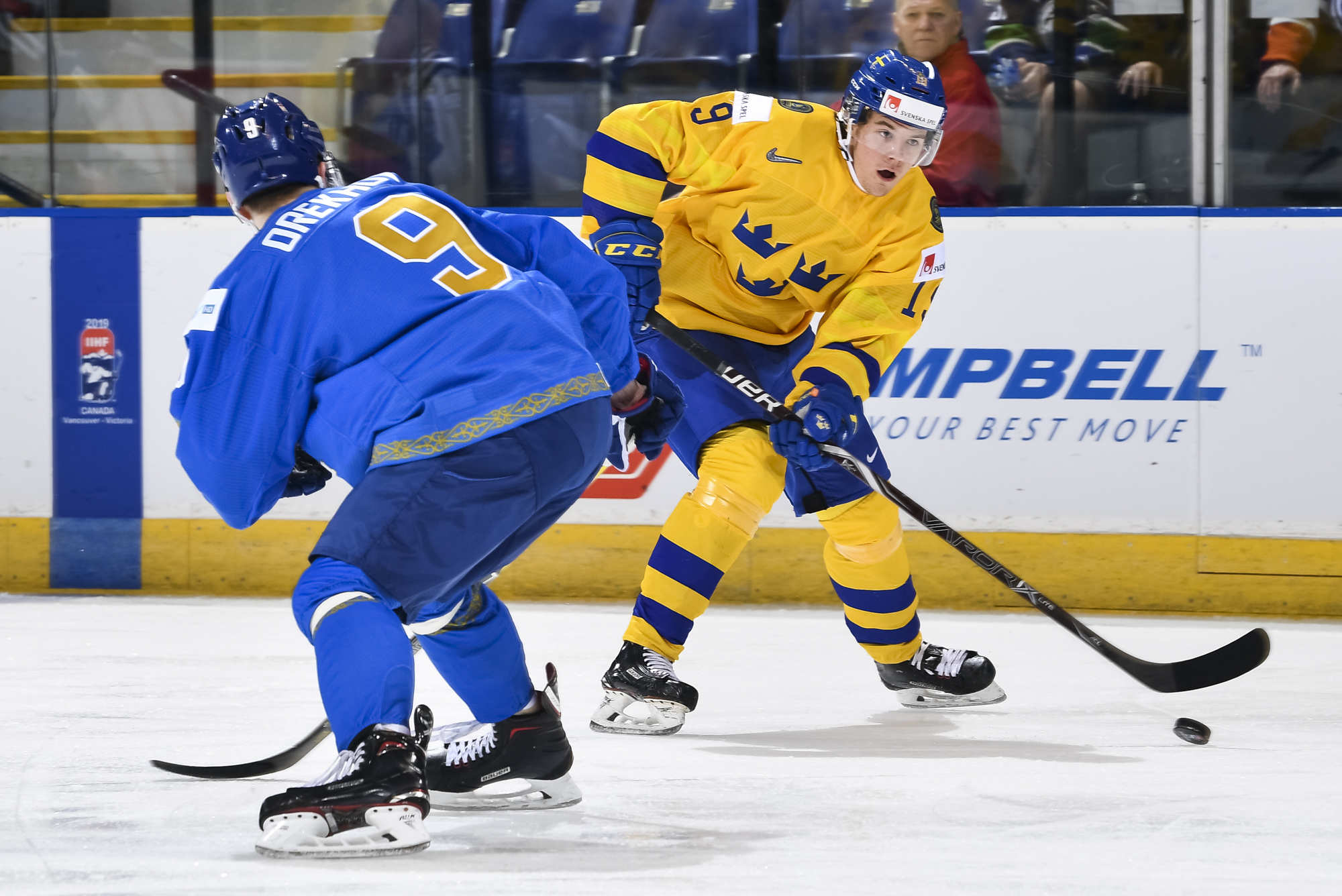 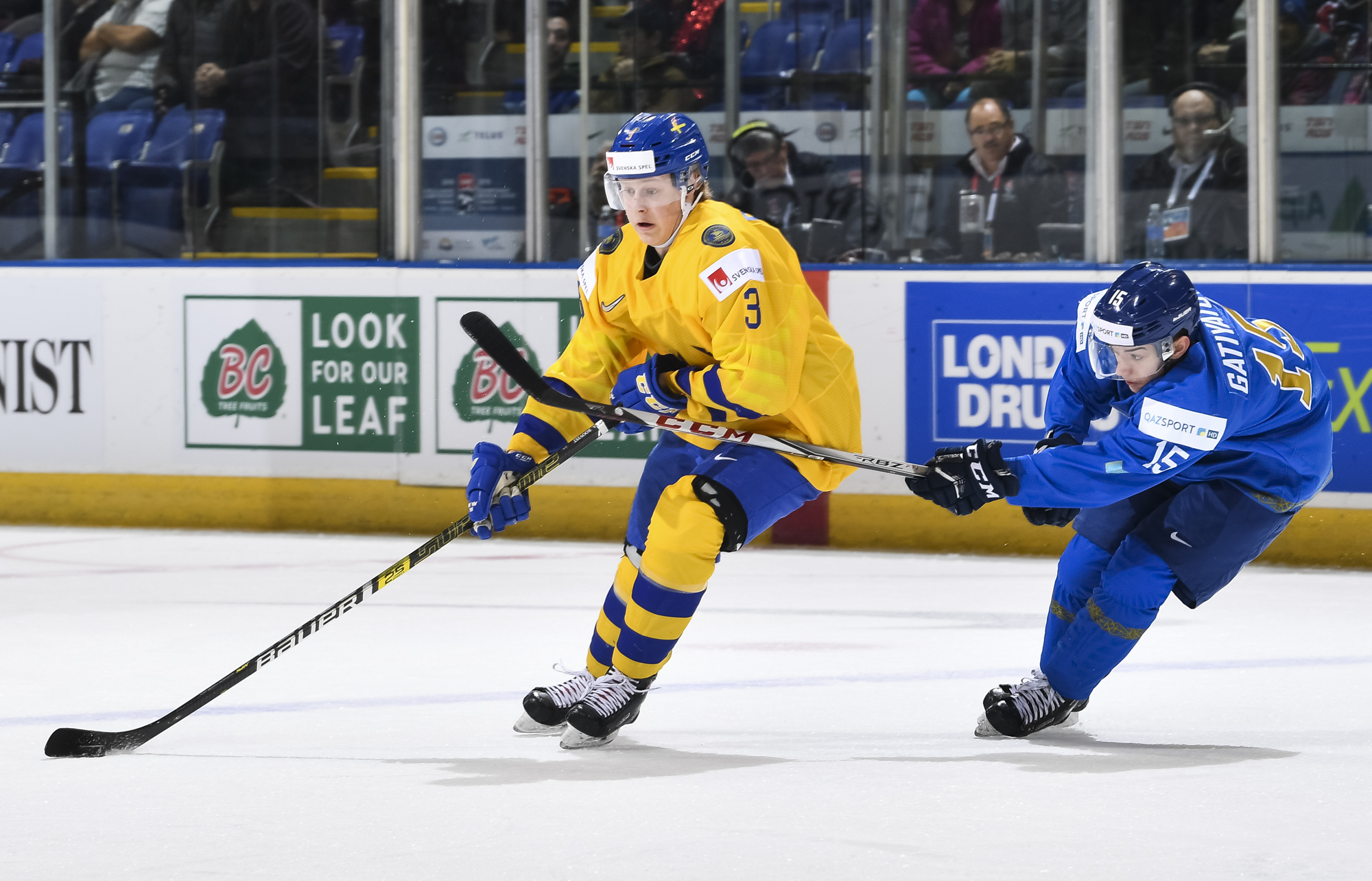 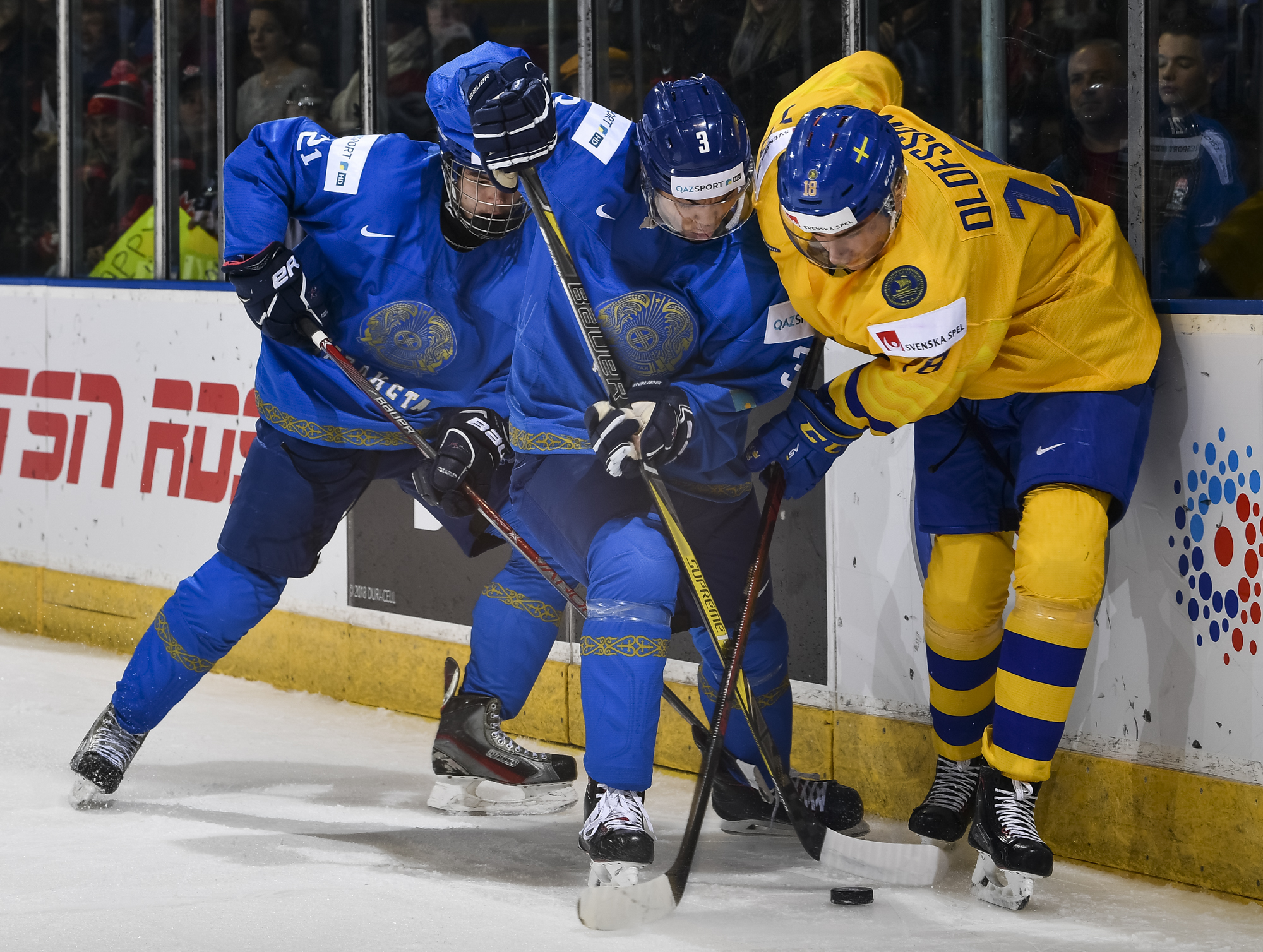 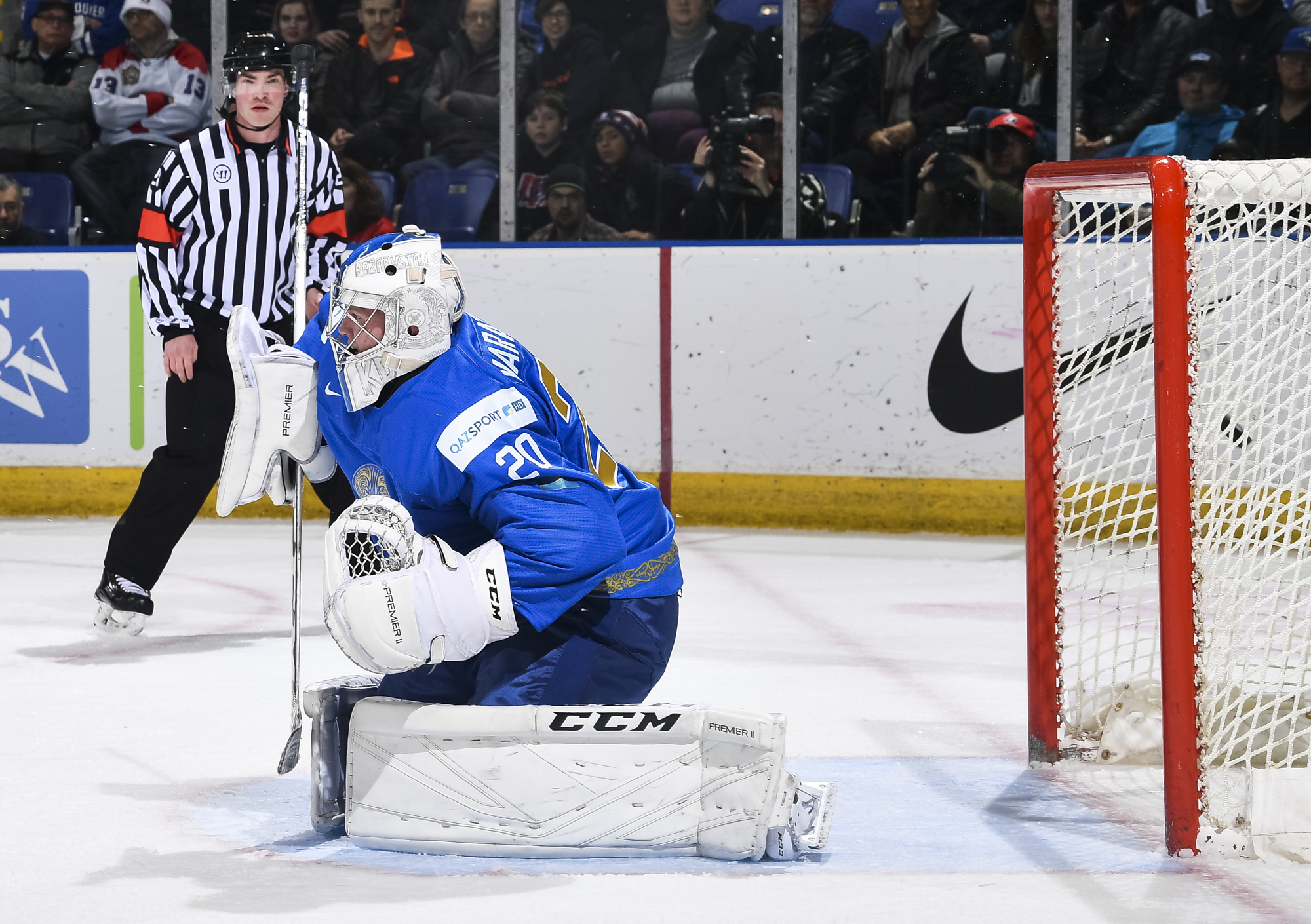 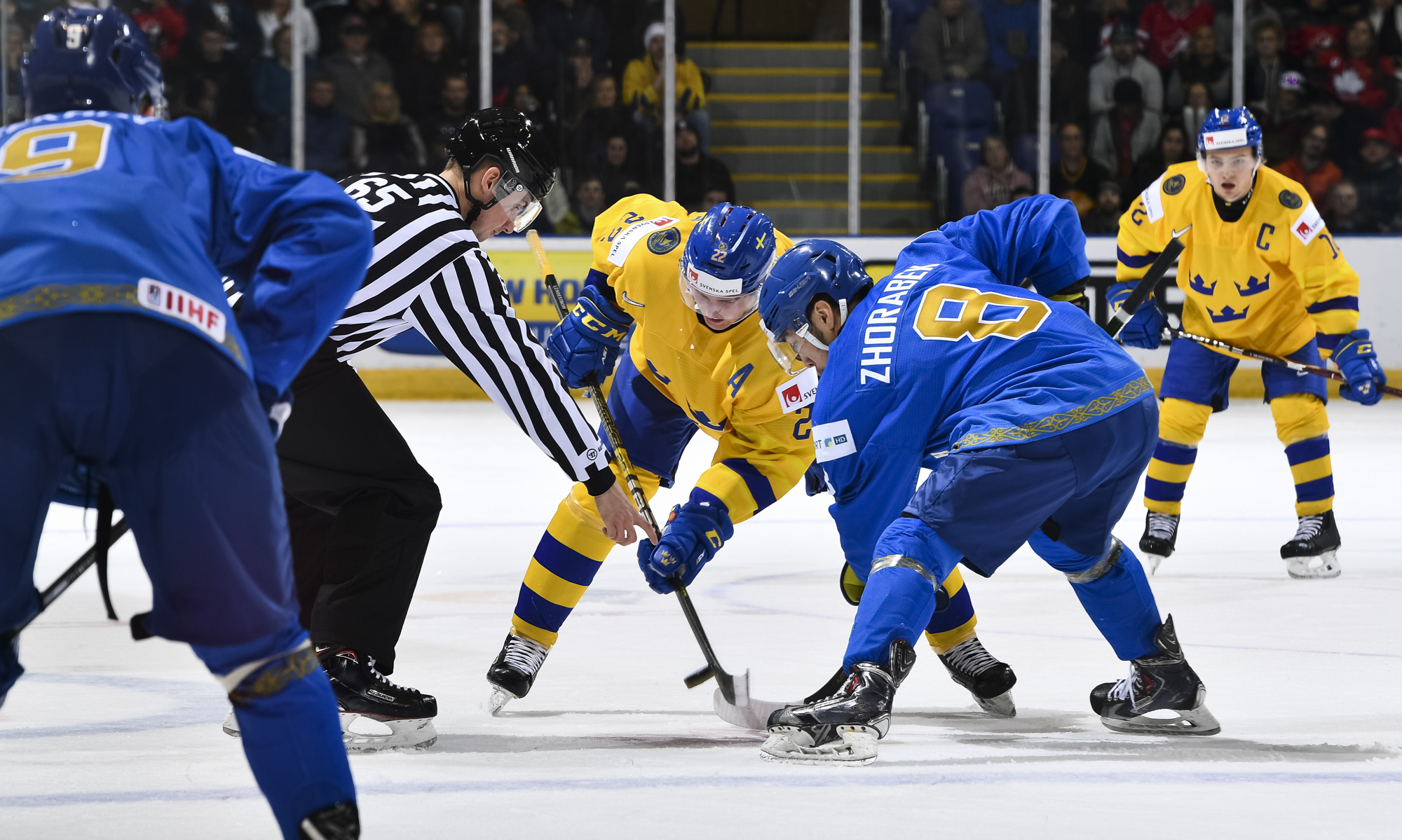 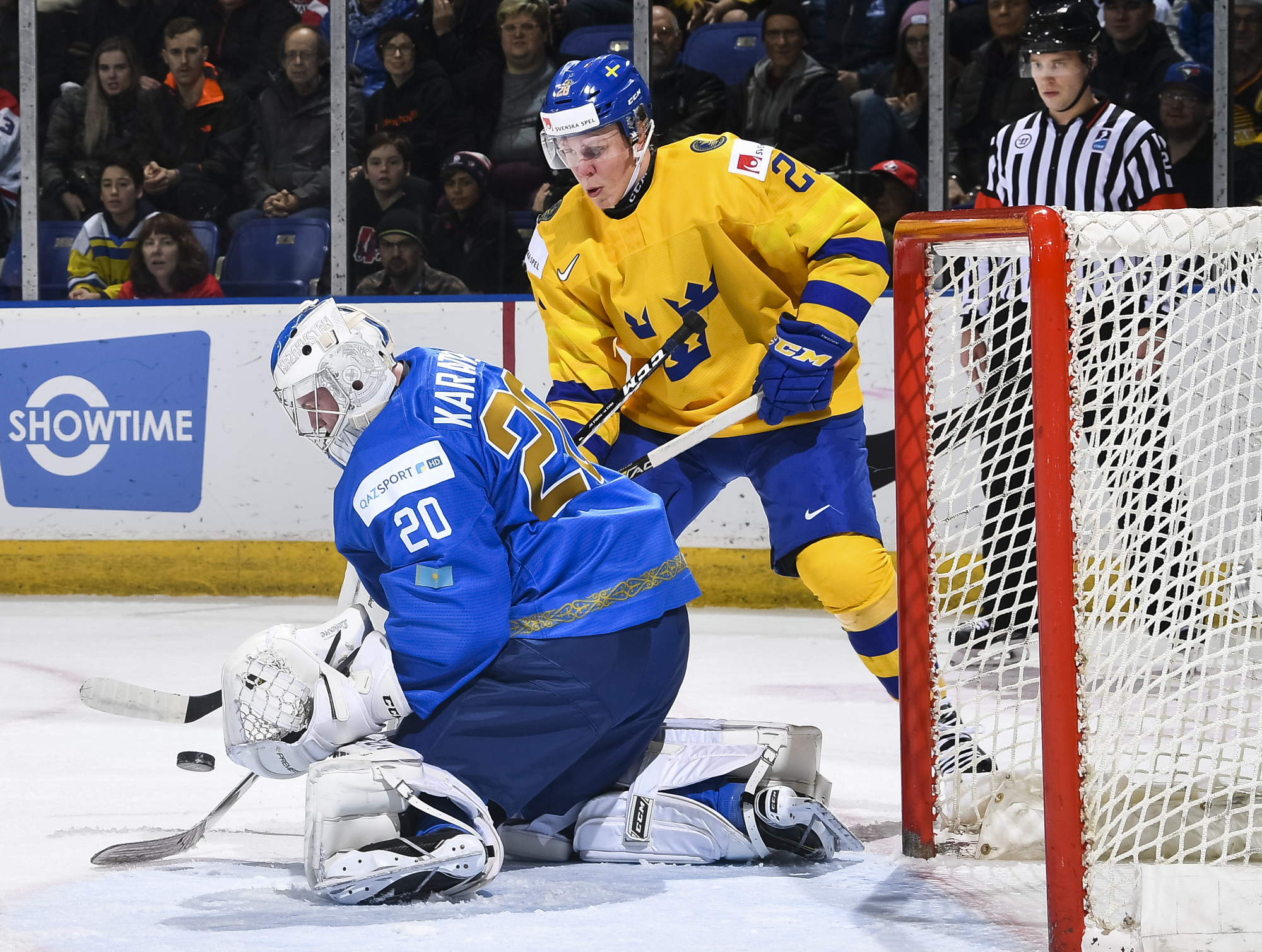 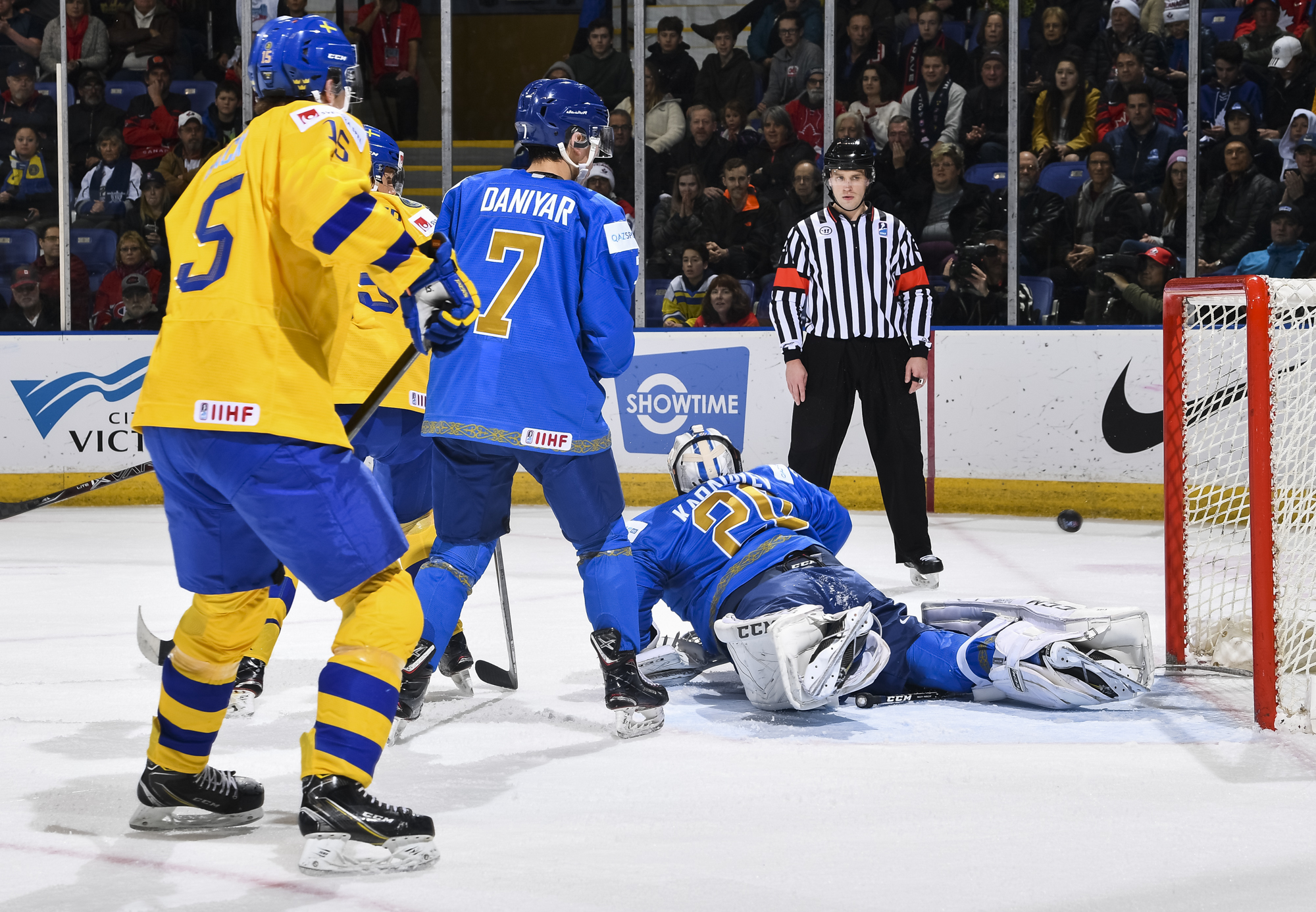 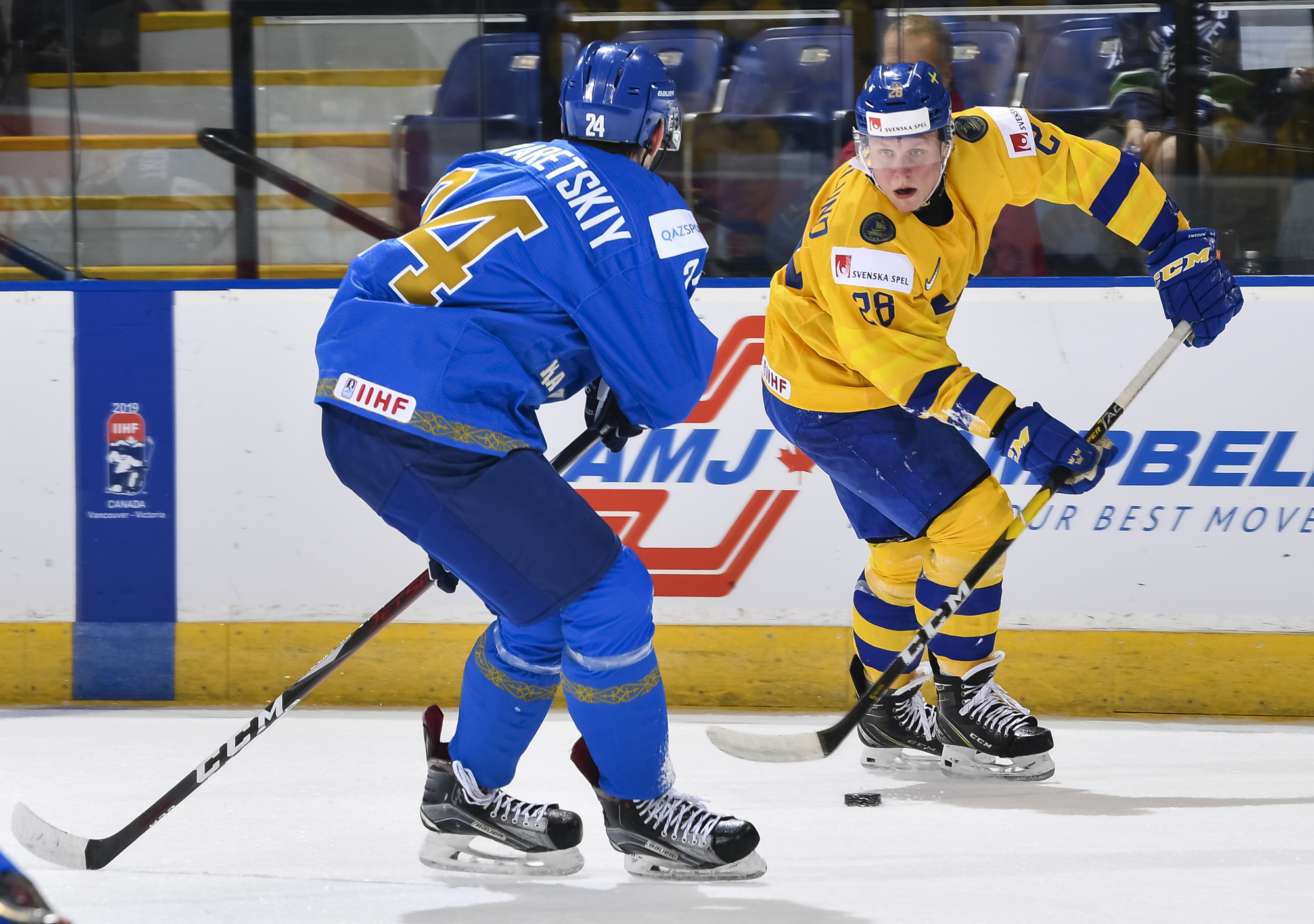 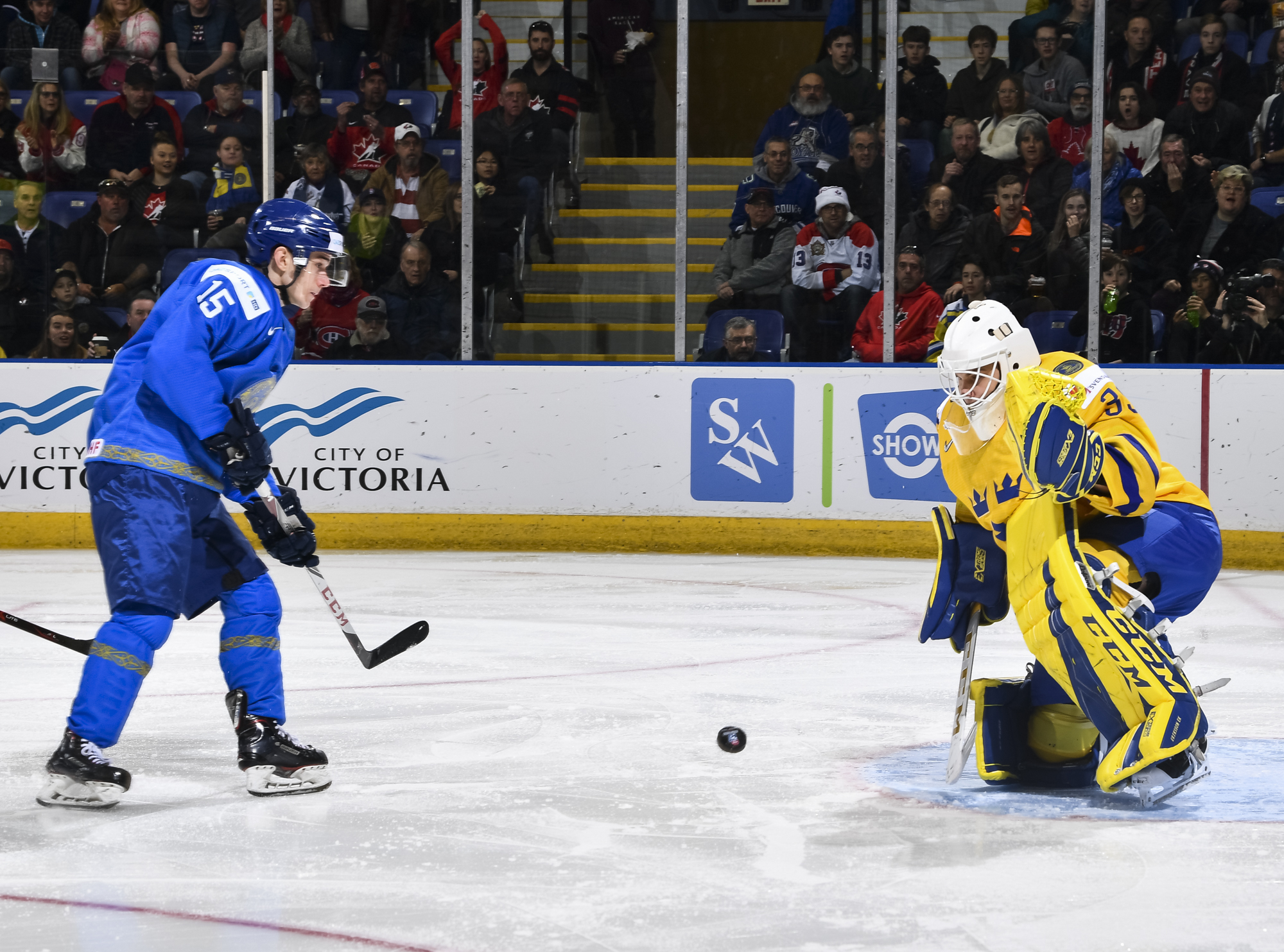 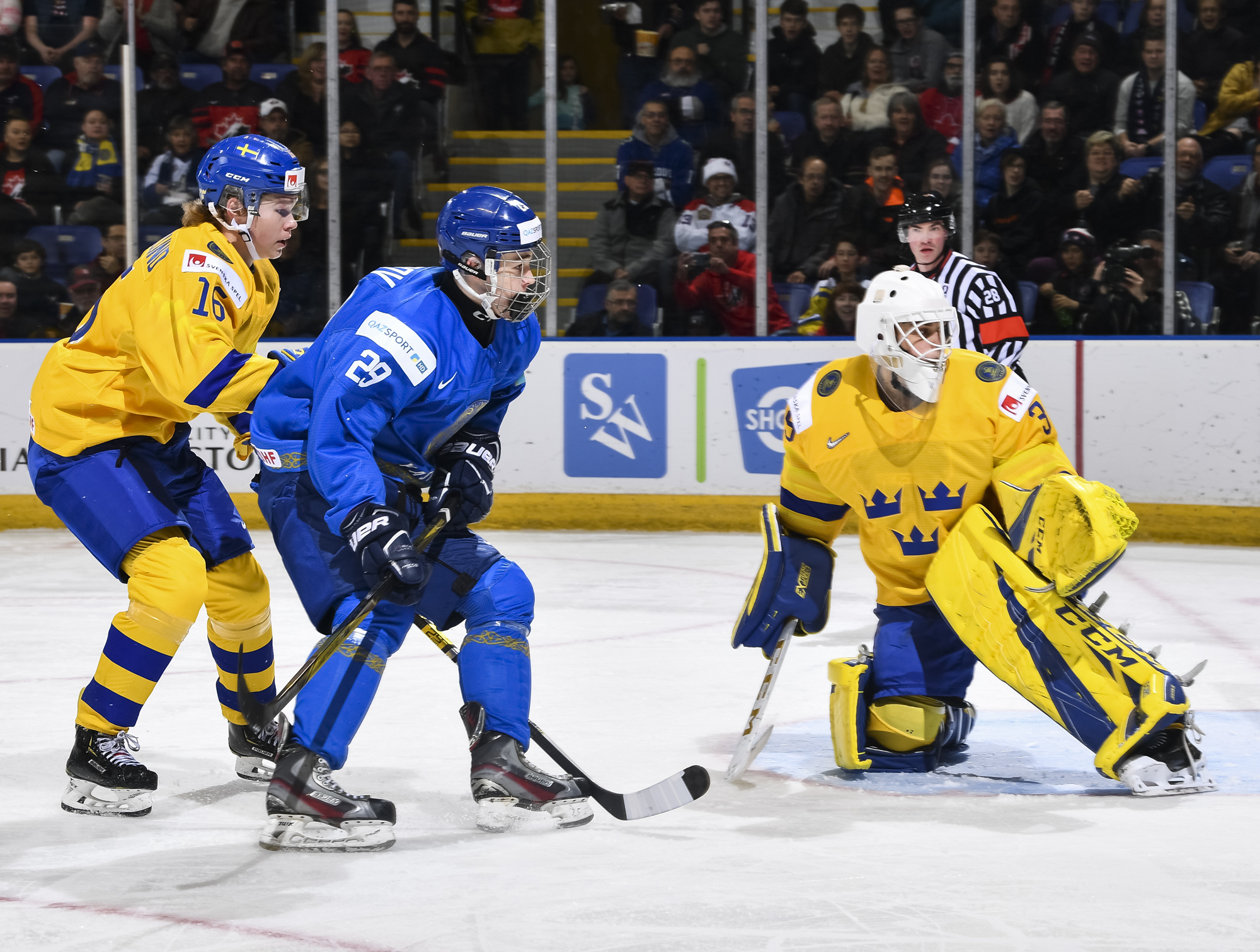 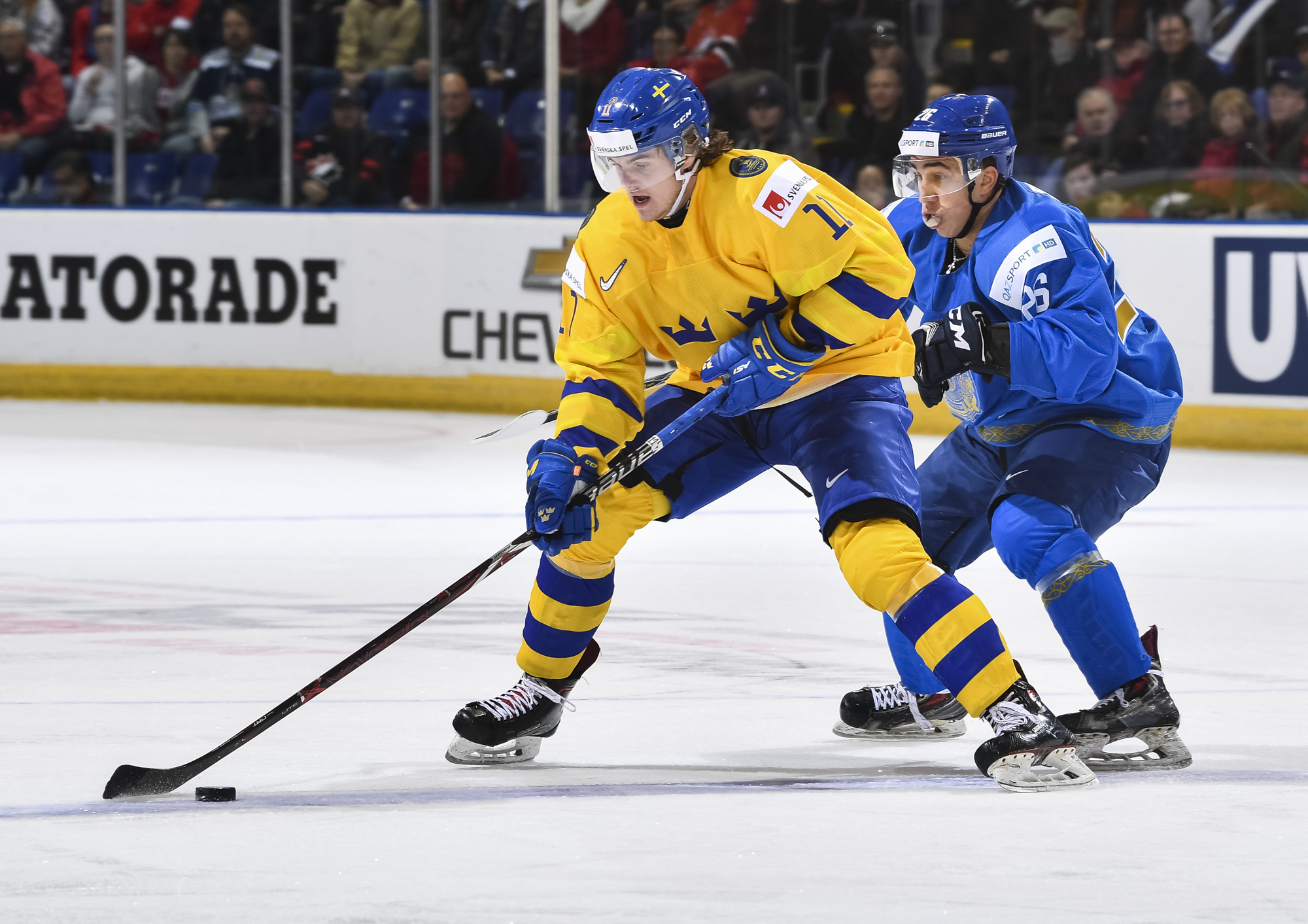 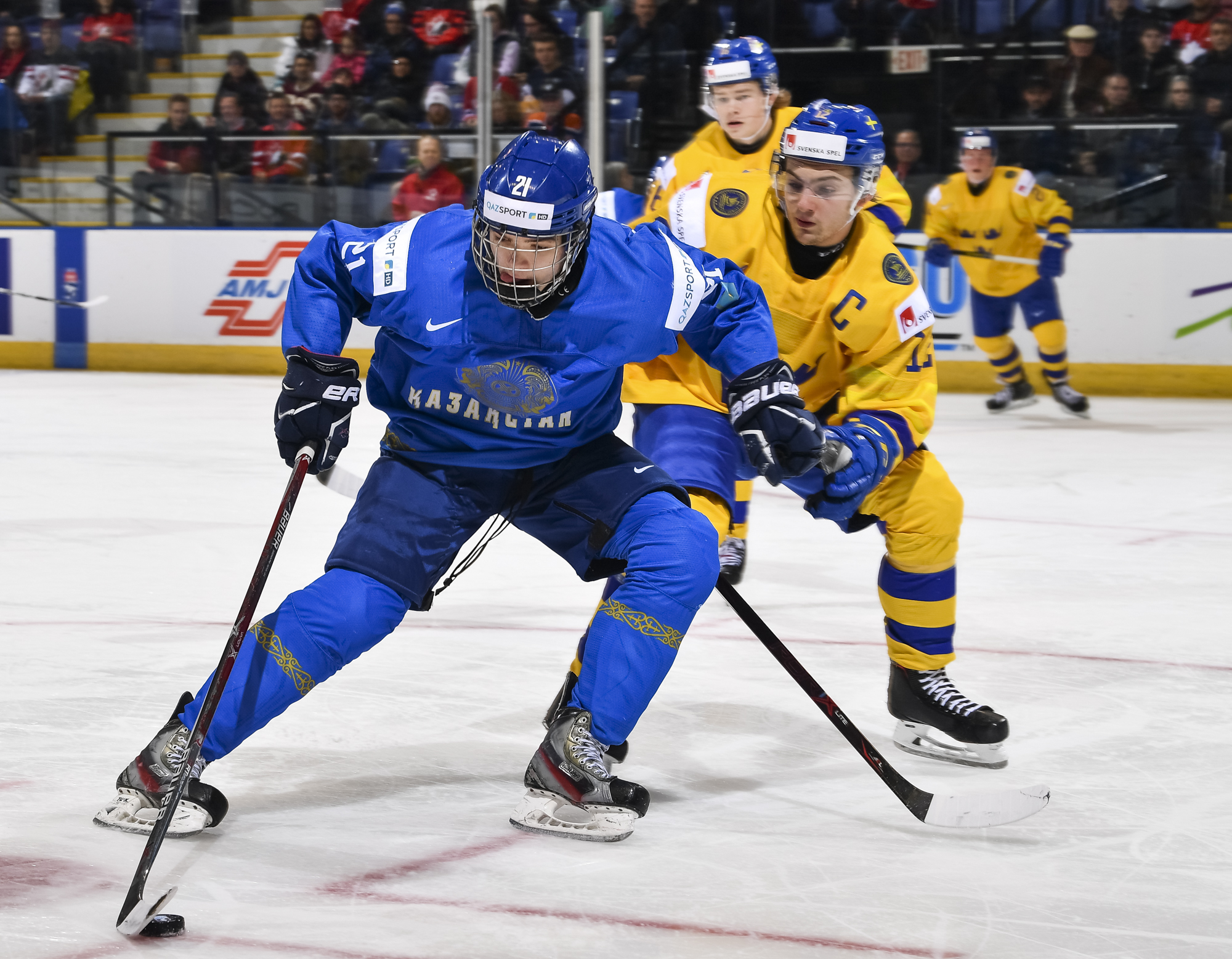 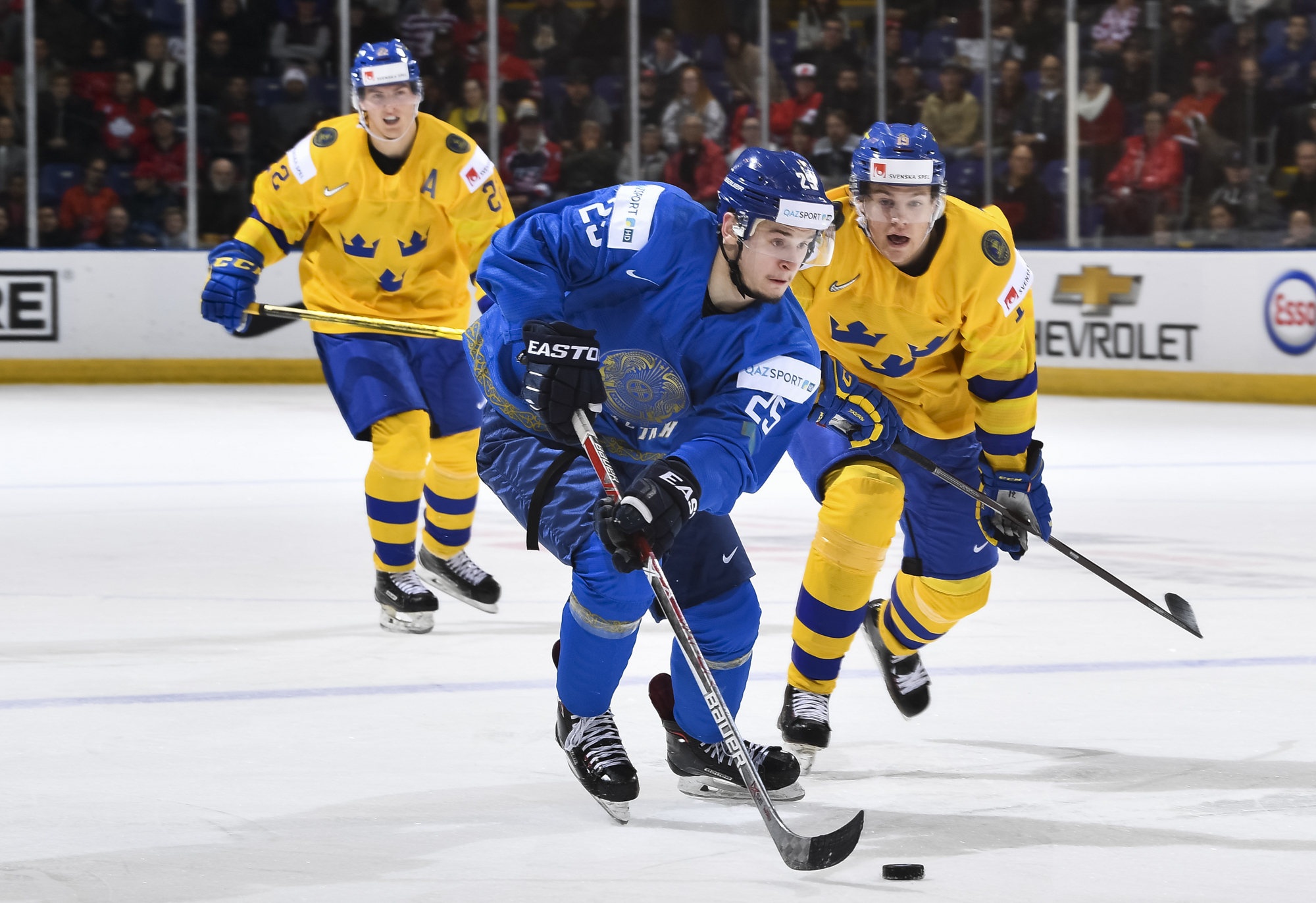 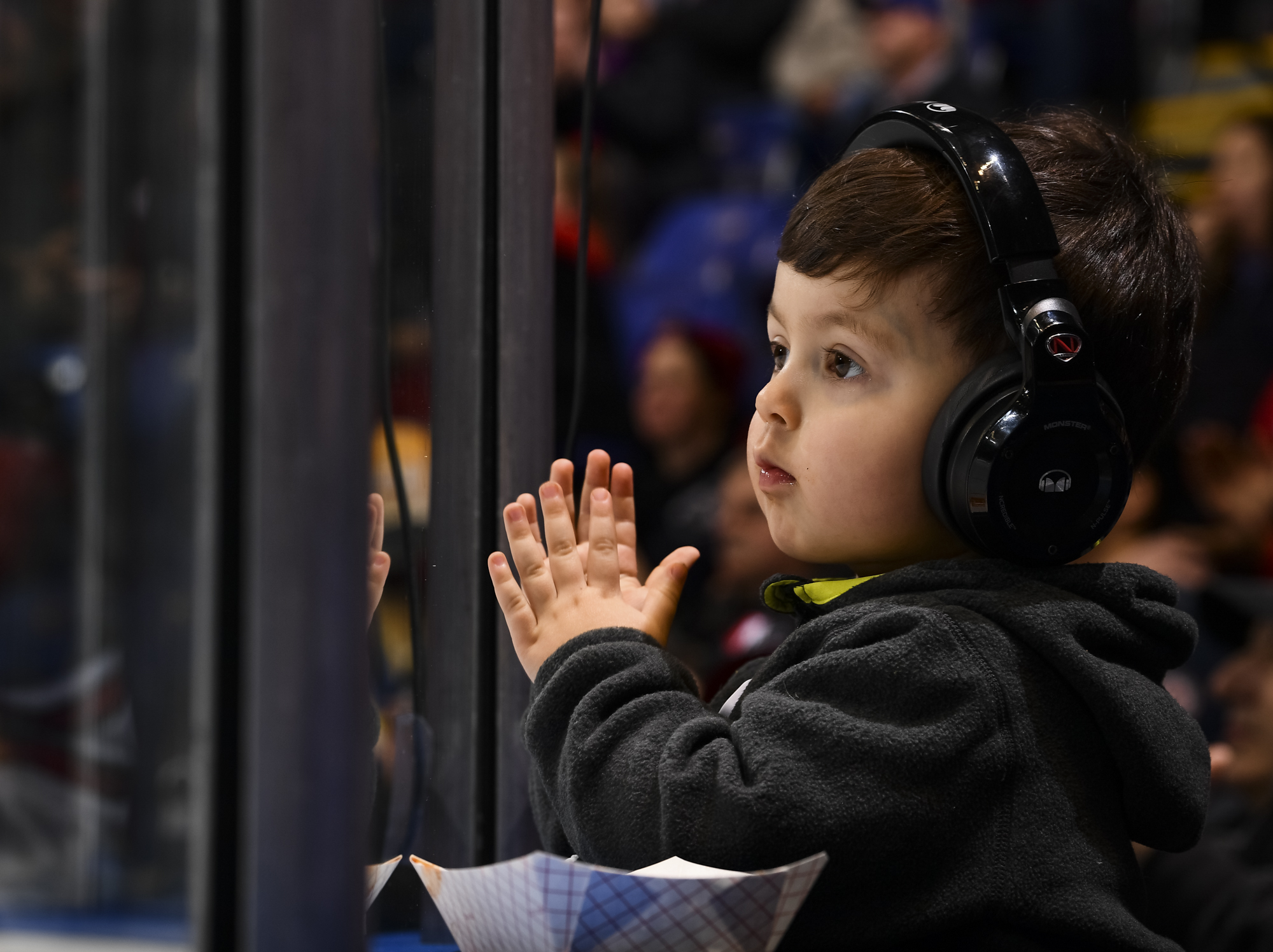 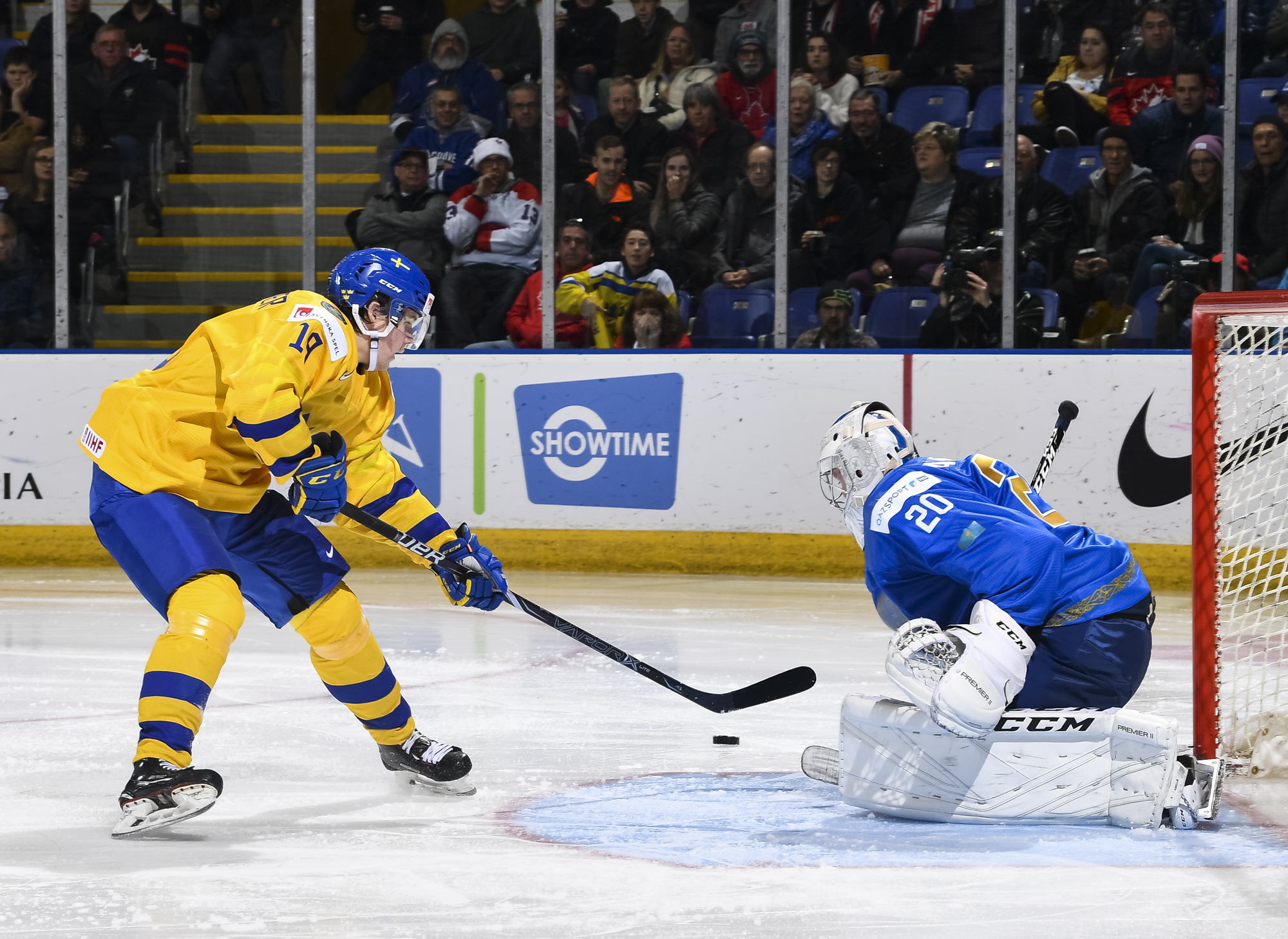 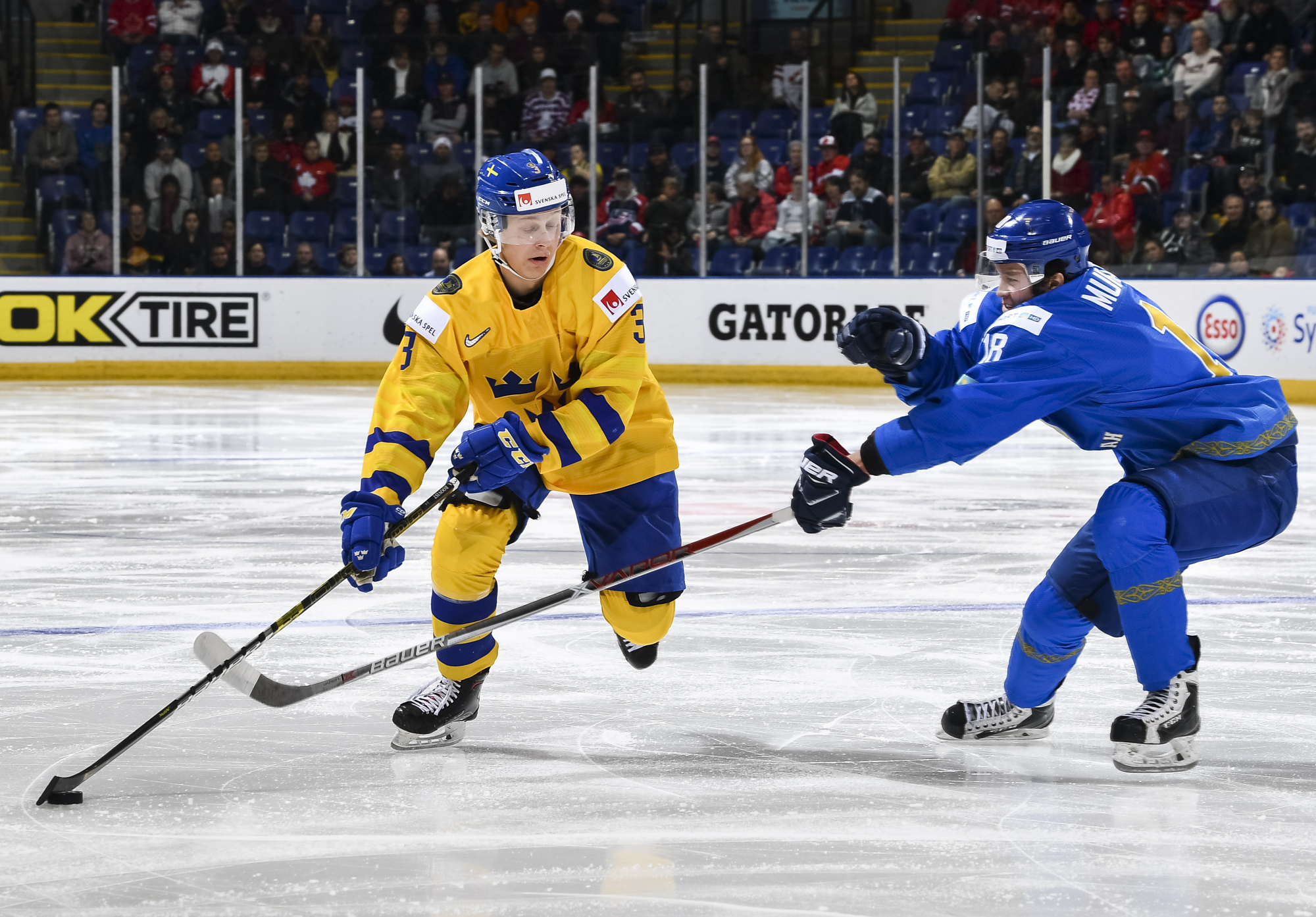 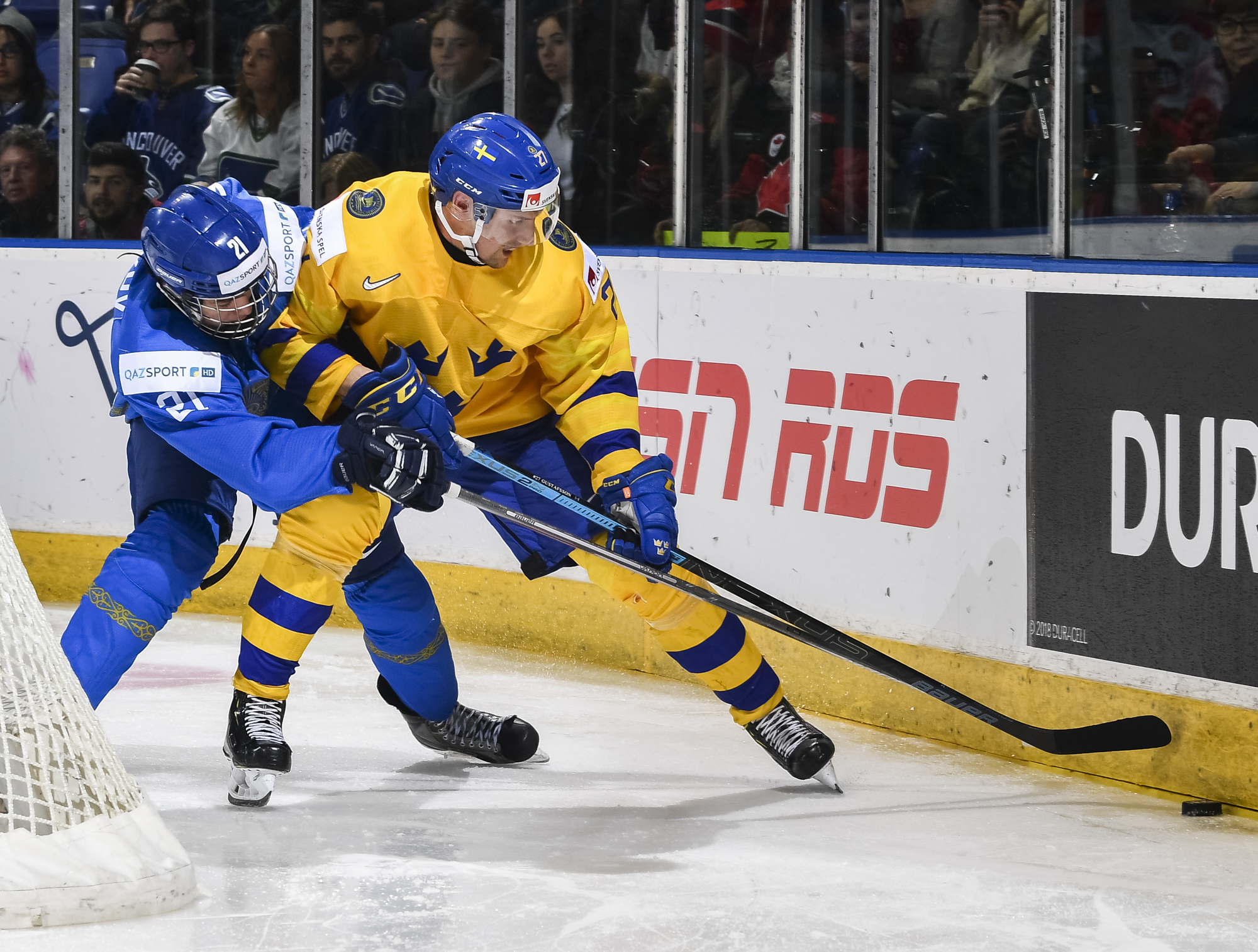 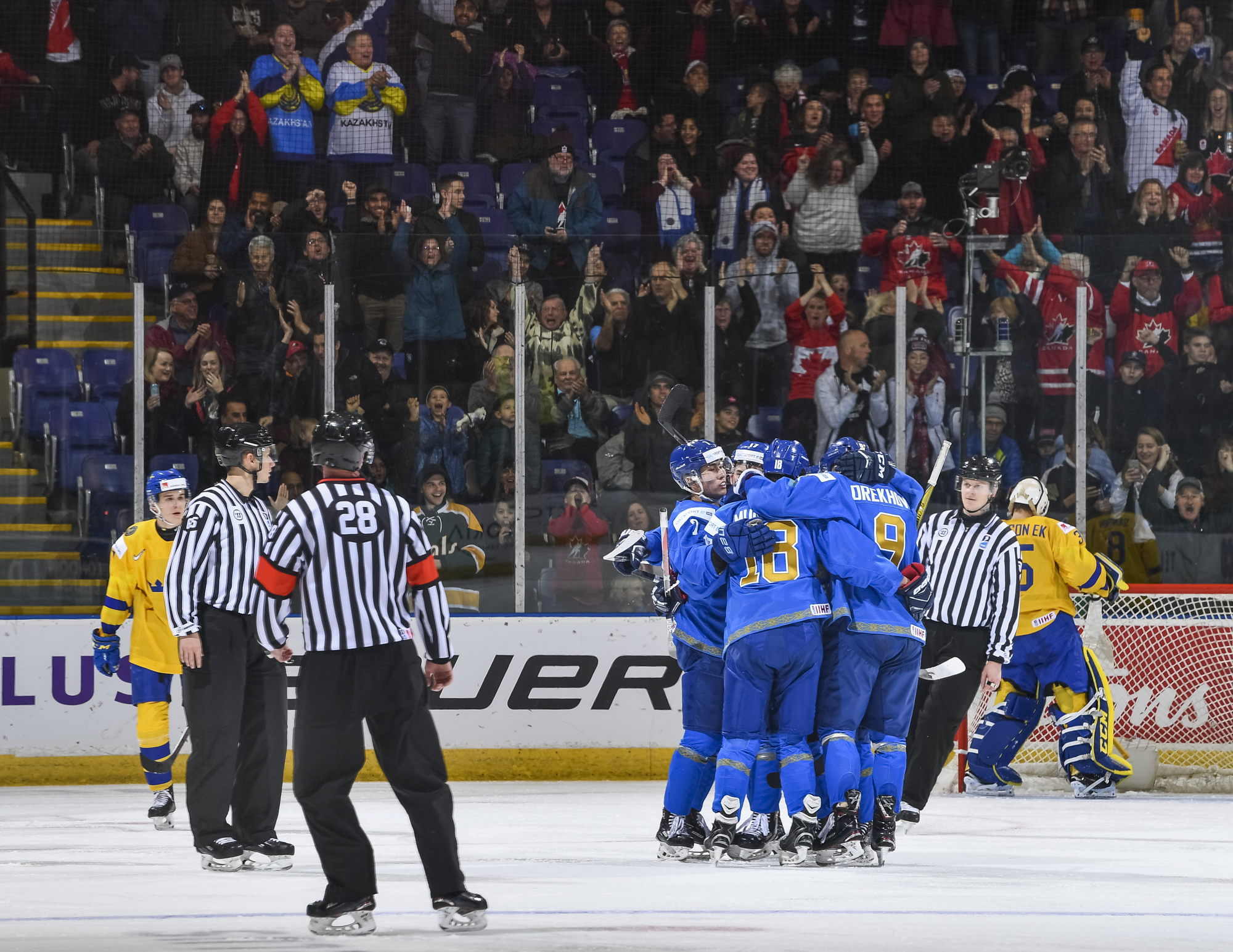 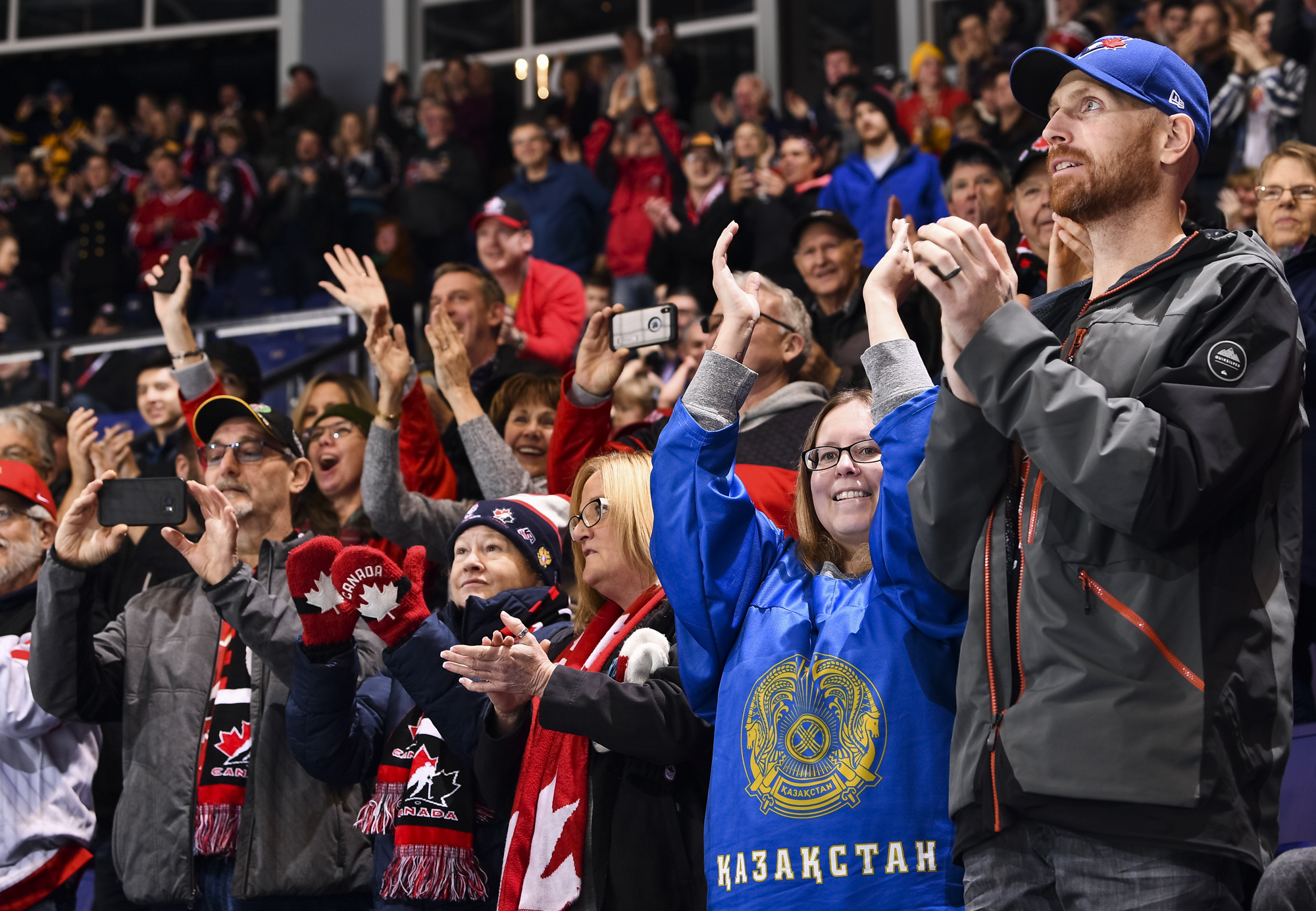 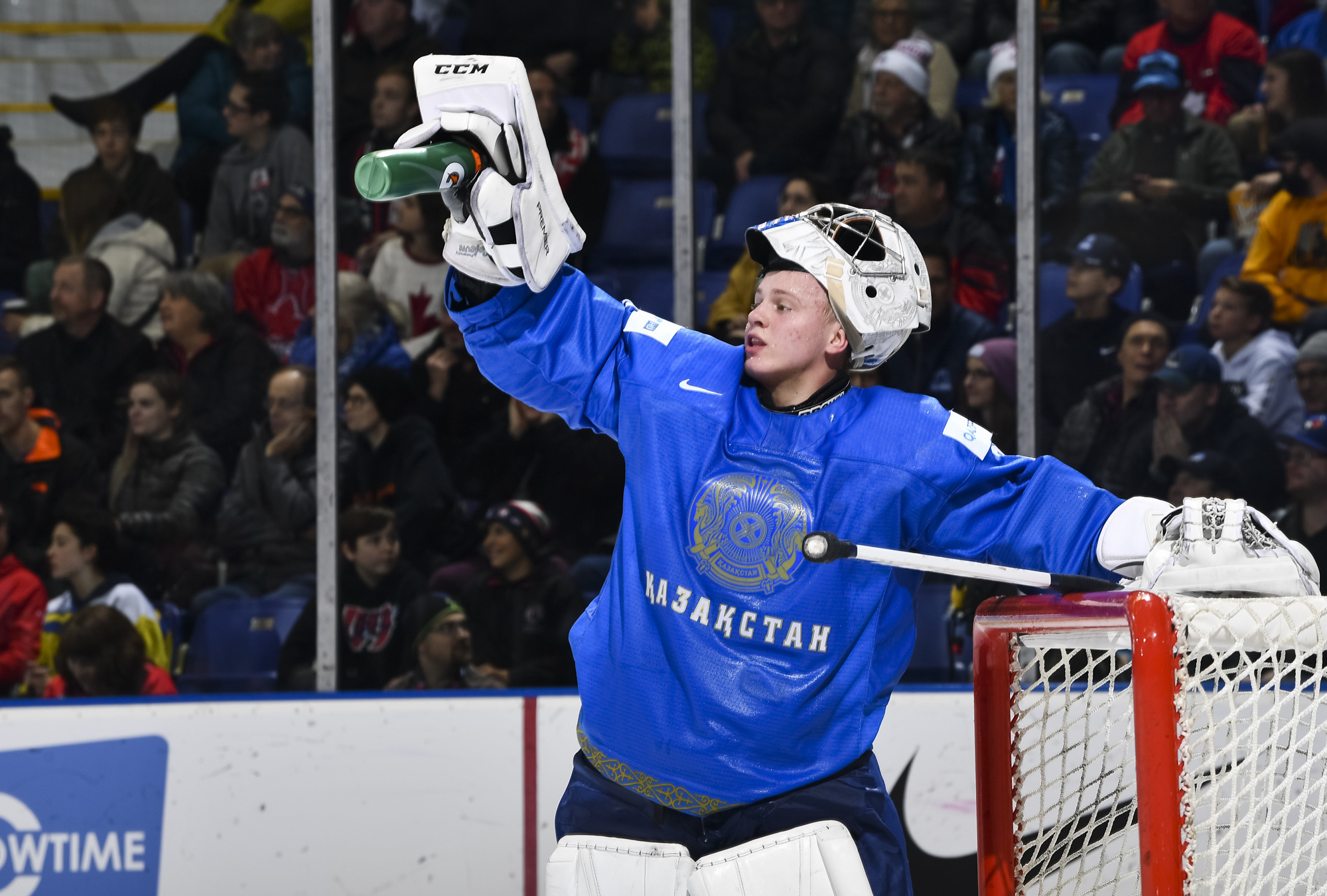 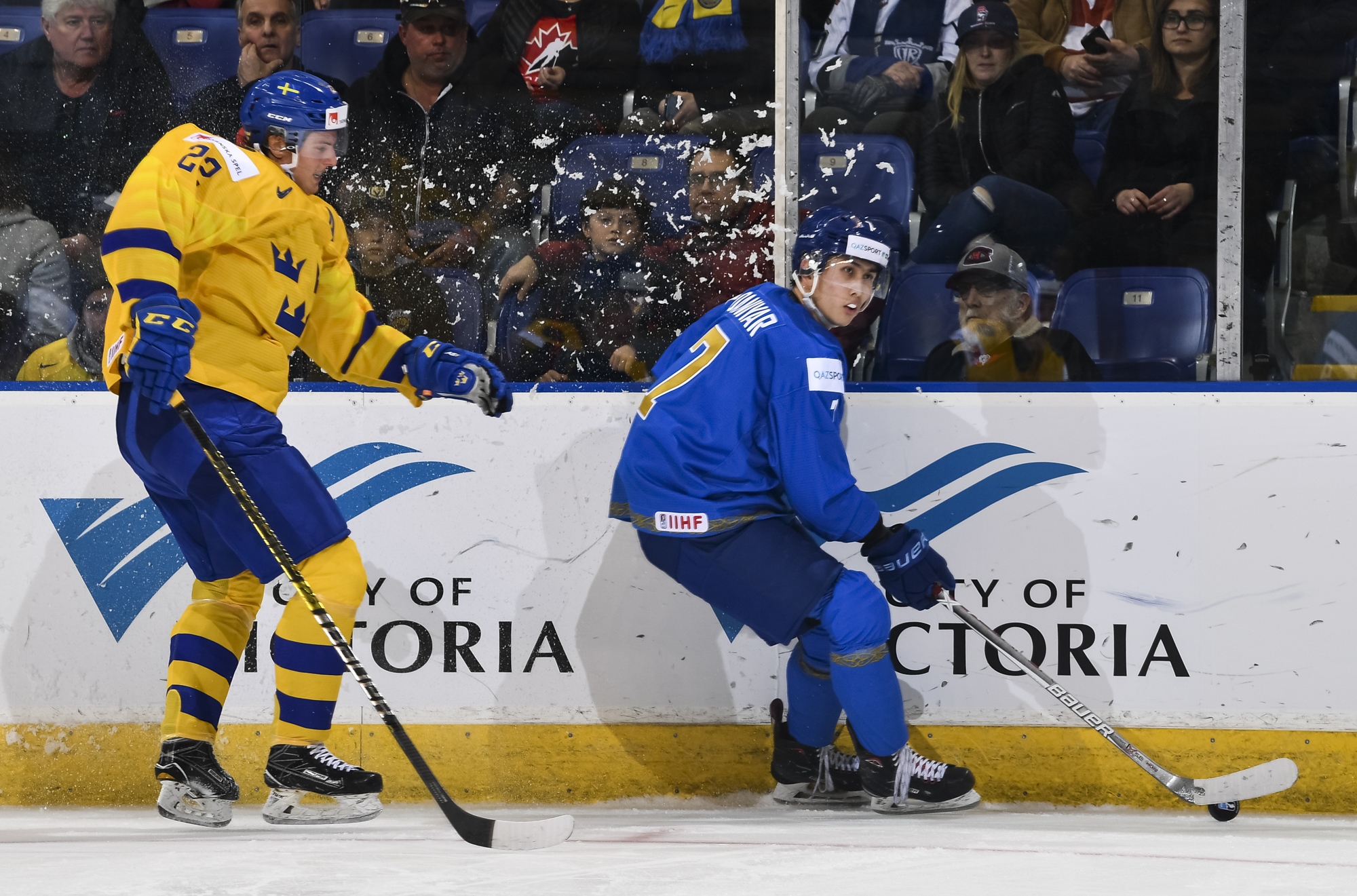 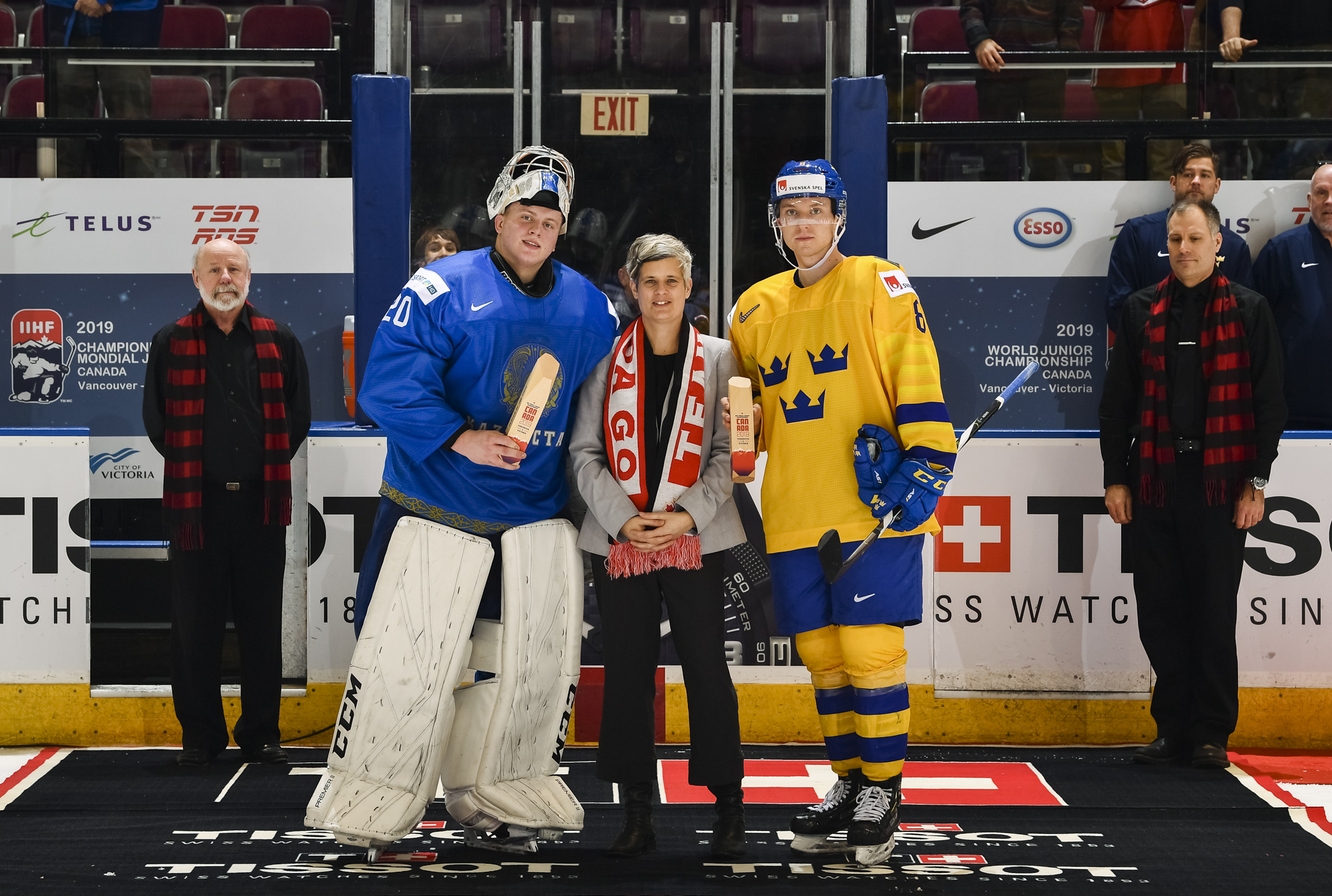 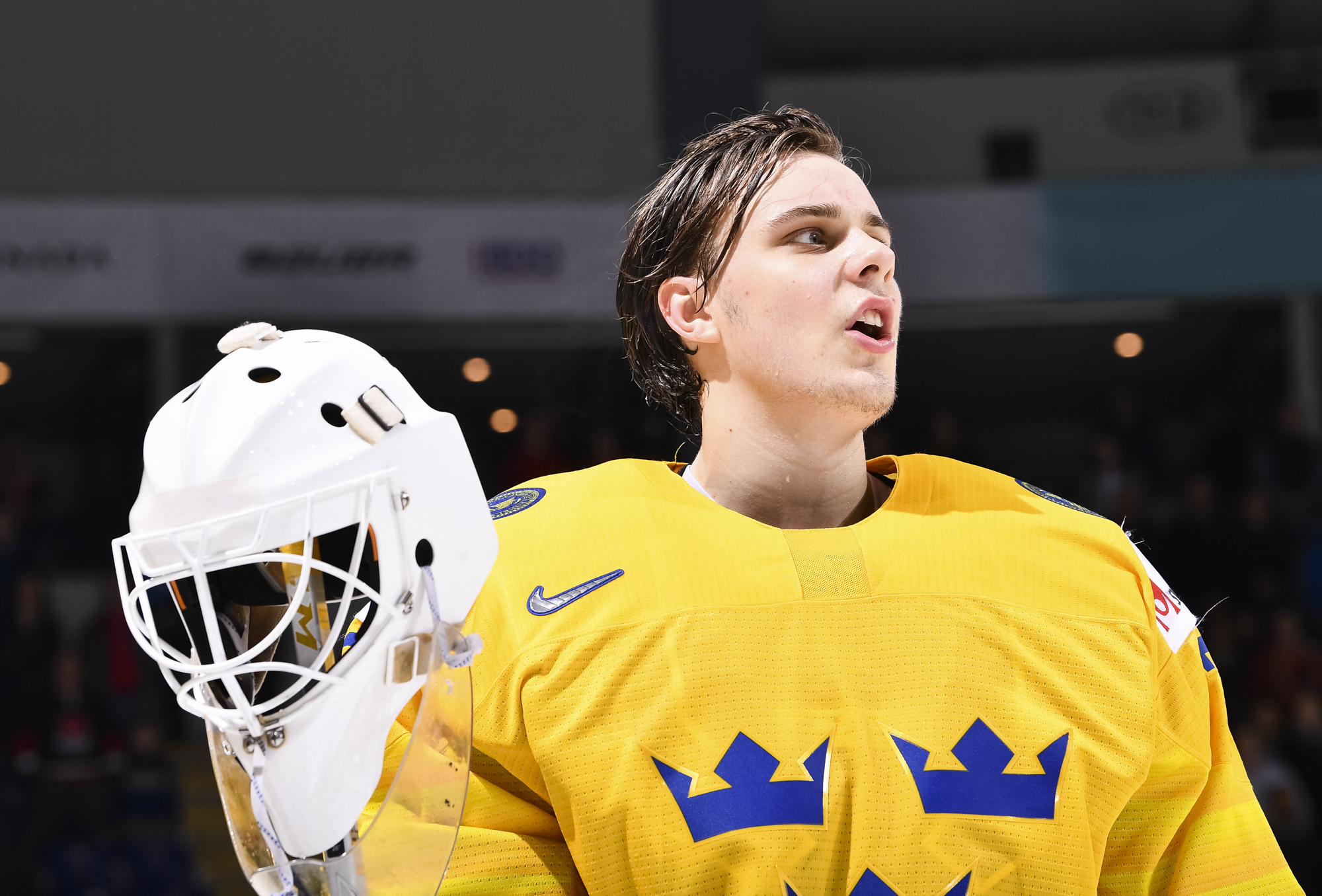