Kazakhs stay, Danes relegated
Kazakhstan's Davyd Makutski (#12) celebrates with team mates after scoring against Denmark.
photo: Minas Panagiotakis / HHOF-IIHF Images
share
Demid Yeremeyev knows the exposure the Kazakhstan national junior program received at the World Junior Championship could have an impact on their future careers. The 19-year-old puck stopper made 25 saves for his first shutout of the tournament as the Kazakhs avoided relegation with a 4-0 win over Denmark on Friday at the 2019 IIHF World Junior Championship.

The Kazakhs edged the Danes 4-3 in the first game of the best-of-three relegation round on Wednesday to keep their spot in the top group for the 2020 tournament.

“It’s a very good experience for us as players and for the careers in future because everyone sees us playing here, see our success, talking about us,” Yeremeyev said through a translator. “This is the last time we’re playing junior hockey. Next year we start our professional careers. It’s also big for our future.”

“It was a rough start for him, they scored on the two first shots,” Danish coach Olaf Eller said of Soegaard. “I don’t blame him for anything. It’s a team kick to change the goalie and you can say somehow it worked, but we didn’t score.”

Denmark pulled Rorth with 2:46 remaining in the third looking for a pair of goals to force the game into overtime, but Gatiyatov added his fourth goal of the tournament into an empty net for Kazakhstan with 1:32 remaining. He then added a second empty-net goal with 54.1 seconds left to make it 4-0.

The 2020 IIHF World Junior Championship in the Czech Republic will be the seventh time Kazakhstan plays in the top group. They played in the top division from 1998-2001 and in 2008 and 2009 prior to this year’s event.

“For a lot of the guys on this team, it was their first time ever at the World Juniors, but when they come back next year, it’ll be their second time so they’ll approach the task a lot differently,” said Sayan Daniyar. “They’ll have confidence in the team, they won’t just think about being not eliminated, they’ll think about going forward and getting higher spots and moving past the group stage.”

The loss relegates Denmark to the 2020 IIHF Ice Hockey U20 World Championship Division I Group A while Germany, who won the Division IA last month, will be promoted to the top group and take Denmark’s spot for 2020.

“We had chances to score in the second period, we didn’t do that. They played a great game, Kazakhstan. Today they were the better team and deserved to win,” Eller continued. “I think we played three good games in the (preliminary round) against Switzerland, Czechs and Russia, but same bottom line there: we couldn’t score. We had almost equal shots in those games, but we couldn’t score on our chances. That was the same that we saw today.”
Sayan Daniyar opened the scoring 35 seconds into the first period. The Kazakh forward was attempting a wraparound and put the puck in off of Soegaard’s stick and into the net for his second goal of the tournament.

The goal stood to be the game-winner.

“(Gatiyatov) gave me a really good pass so I was right in front of the goaltender and it was just my task to be a bit smarter, be a bit more clever and to beat the goalie,” Sayan Daniyar said. “That’s what I did.”

Makutski doubled Kazakhstan’s lead at 3:47 of the opening frame putting a loose puck over the glove of Soegaard for his first of the World Junior Championship.

Makutski’s goal chased Soegaard from the Danish goal. The 18-year-old netminder allowed two goals on the first two shots he faced and was replaced by Rorth.

Denmark’s offence continued to be an issue on Friday. Entering the second game of the relegation round the Danes had scored in just one of five games.

The Danes out-shot the Kazakhs 10-4 in the opening 20 minutes, but had nothing to show for it.

Emil Marcussen had Denmark’s best chance of the period at 11:46, but couldn’t beat Yeremeyev. Gustav Green found Marcussen alone in the slot, but Yeremeyev made a big glove save on the one-timer.

Despite out-shooting Kazakhstan 9-7 and having the only two power play chances of the second period, Denmark was unable to solve Yeremeyev.

“We are of course disappointed when we only score in one out of six games,” Eller said. “Especially when you look at how many chances we created.”

Denmark defeated Belarus in the relegation round at the World Junior Championship in Buffalo last year and reached the quarter-finals the three times before. The loss demotes them to Division IA for the first time since 2014.
Denmark vs. Kazakhstan (2019 IIHF WJC) 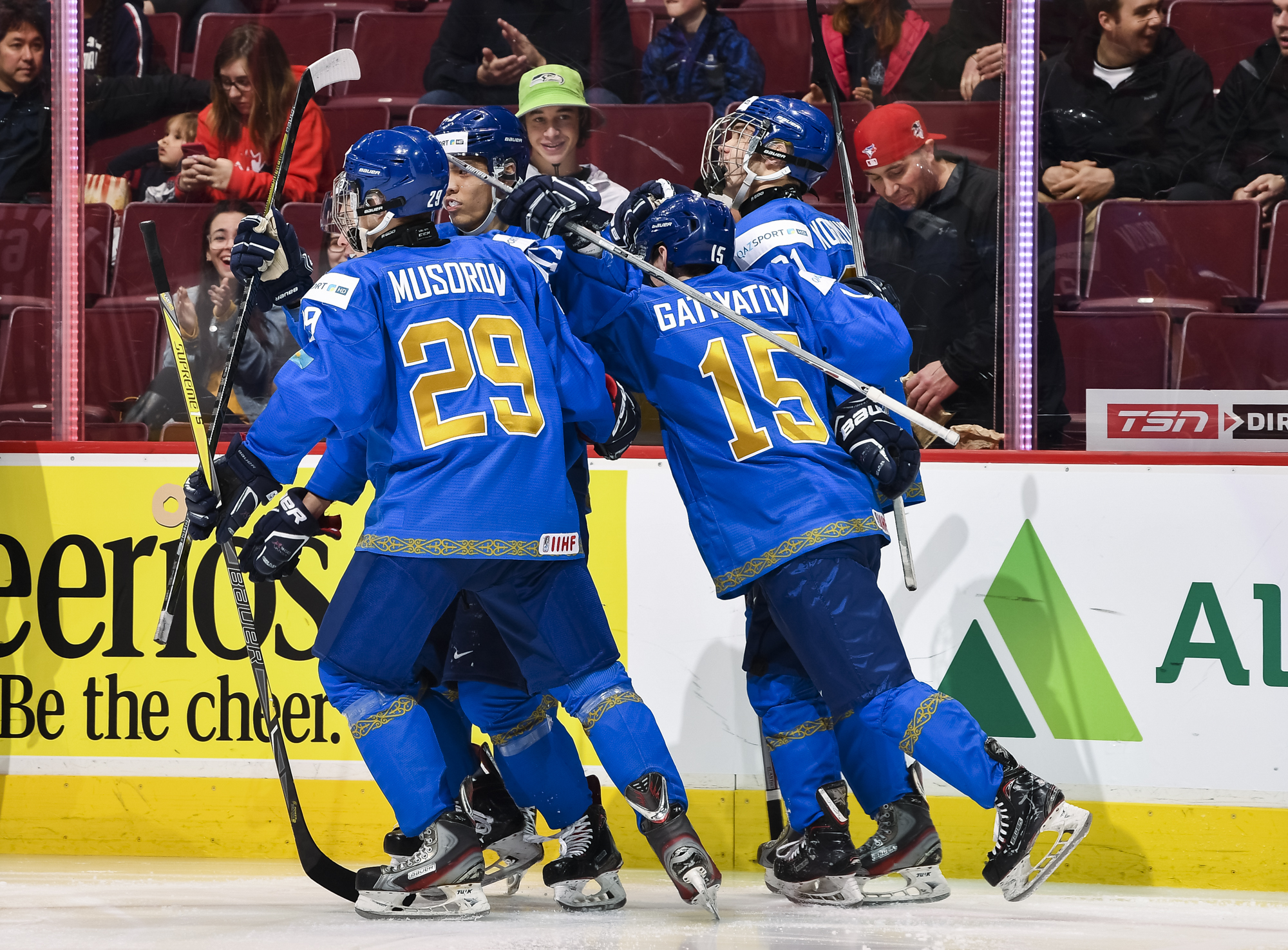 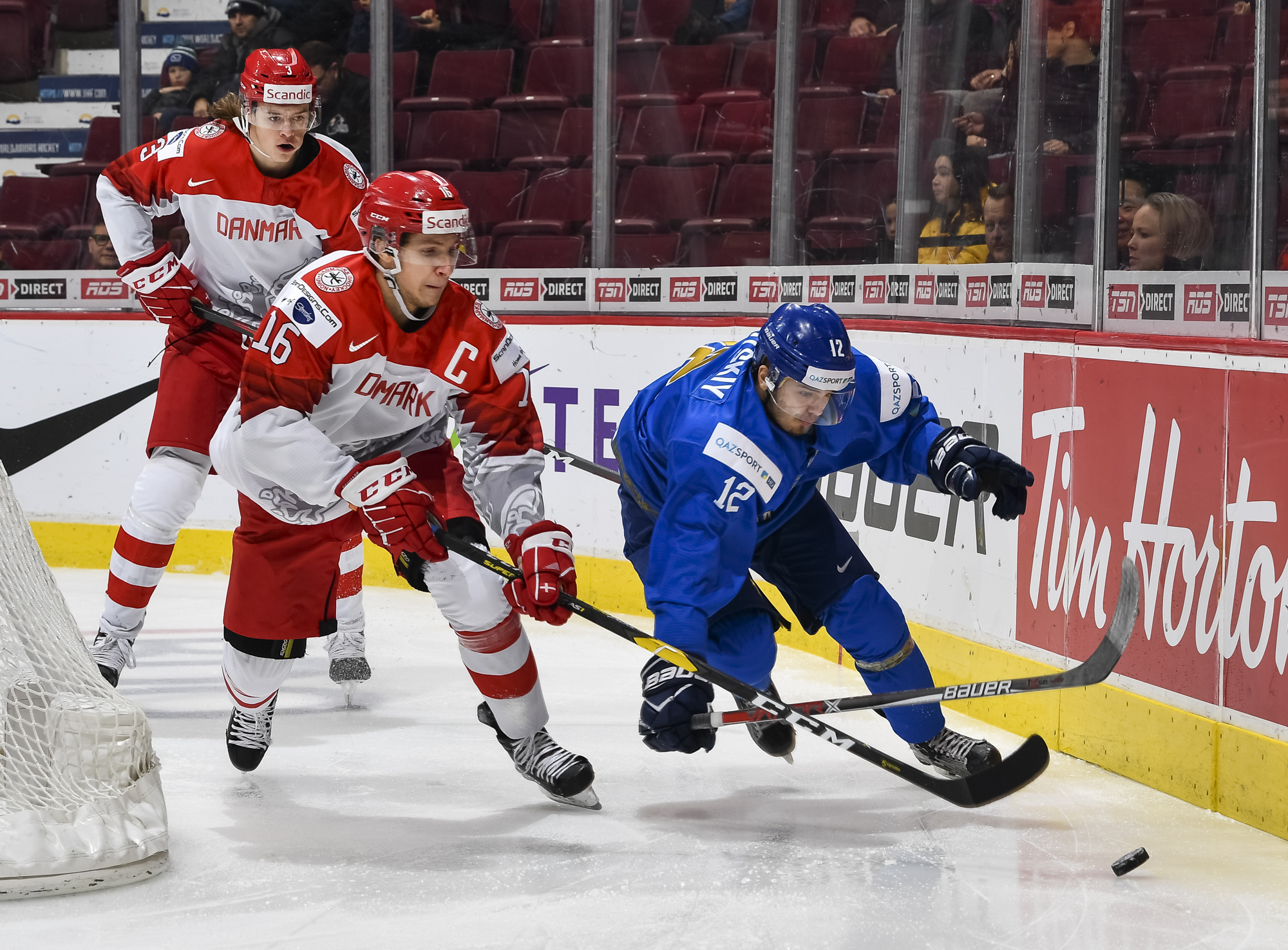 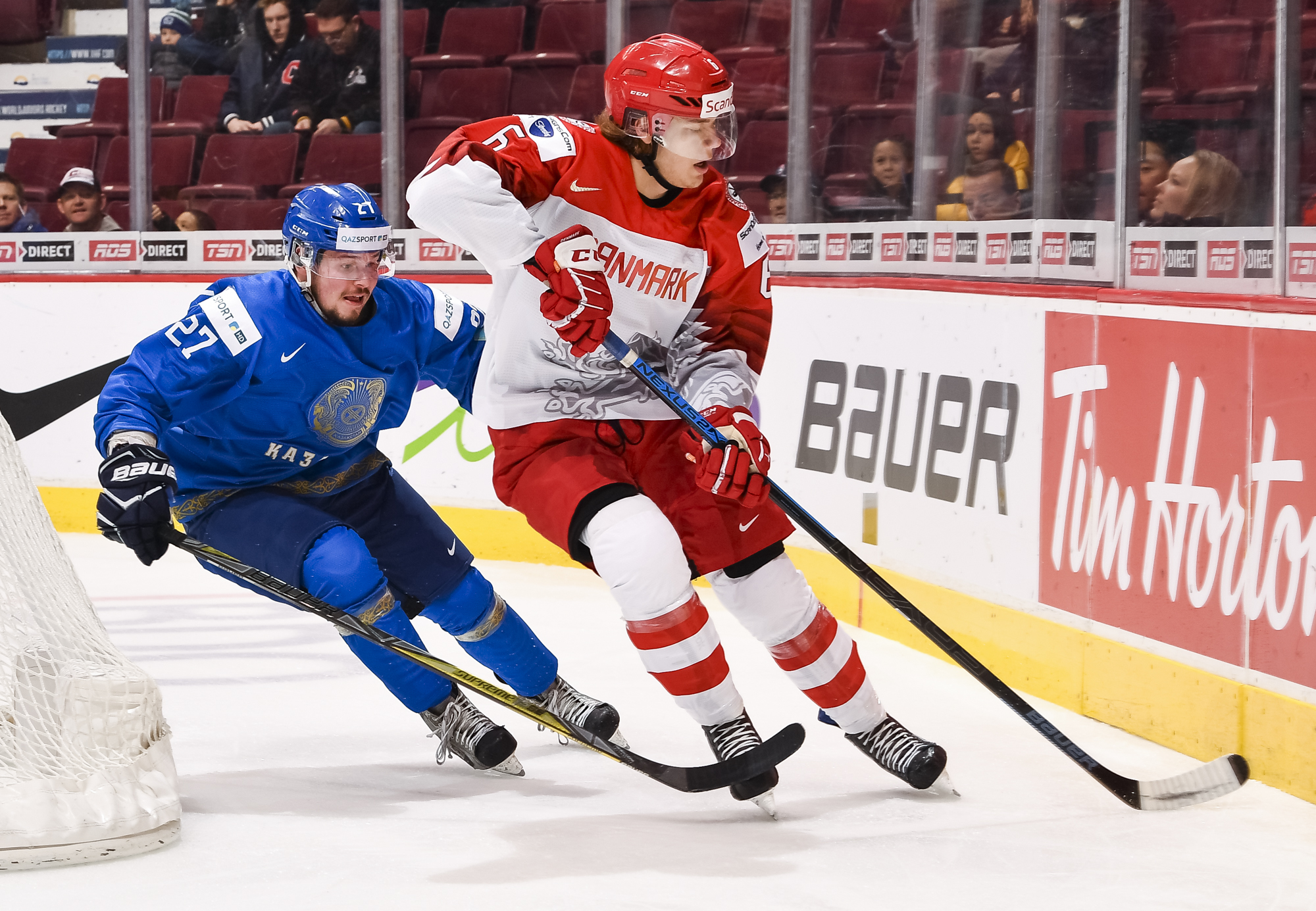 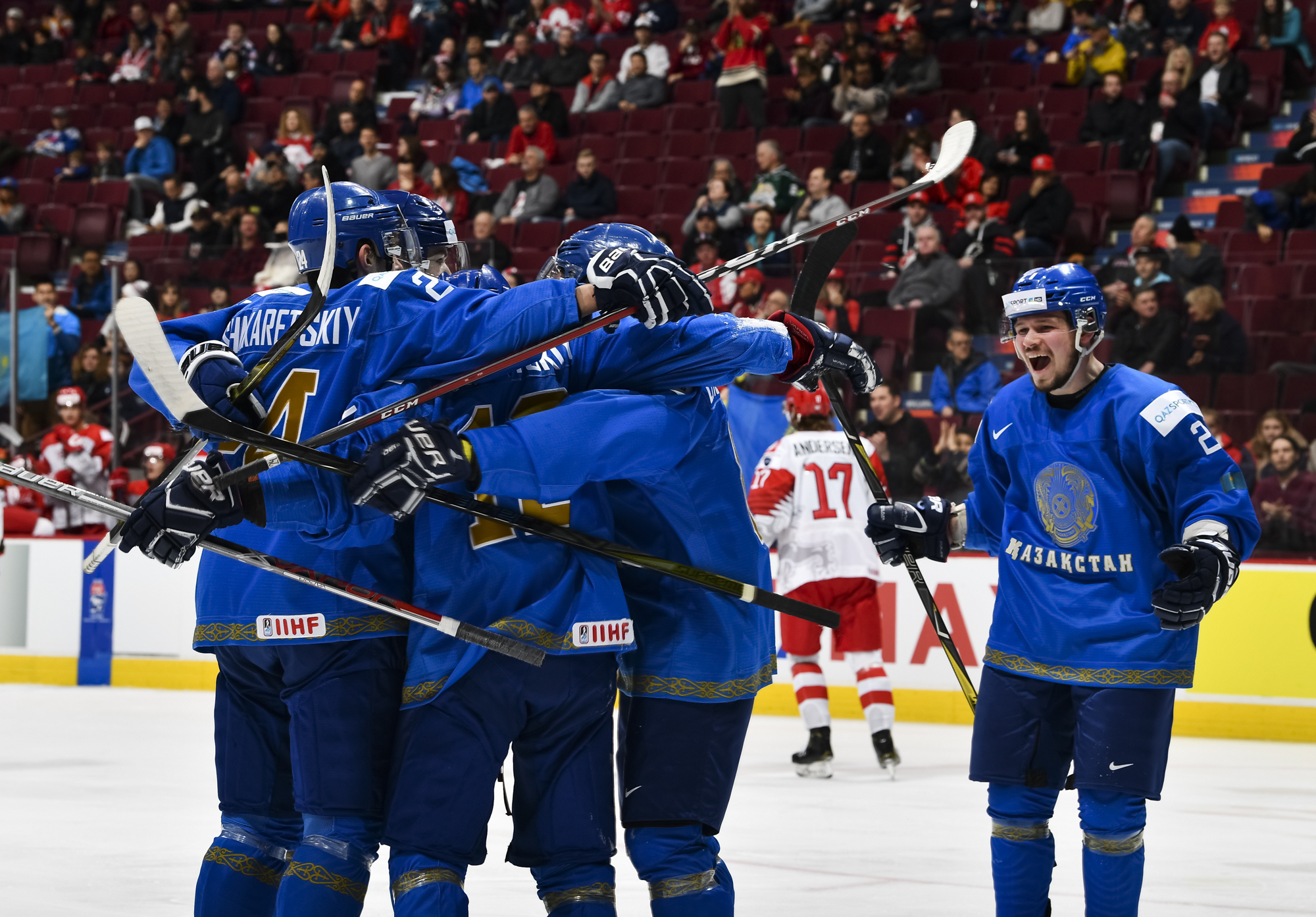 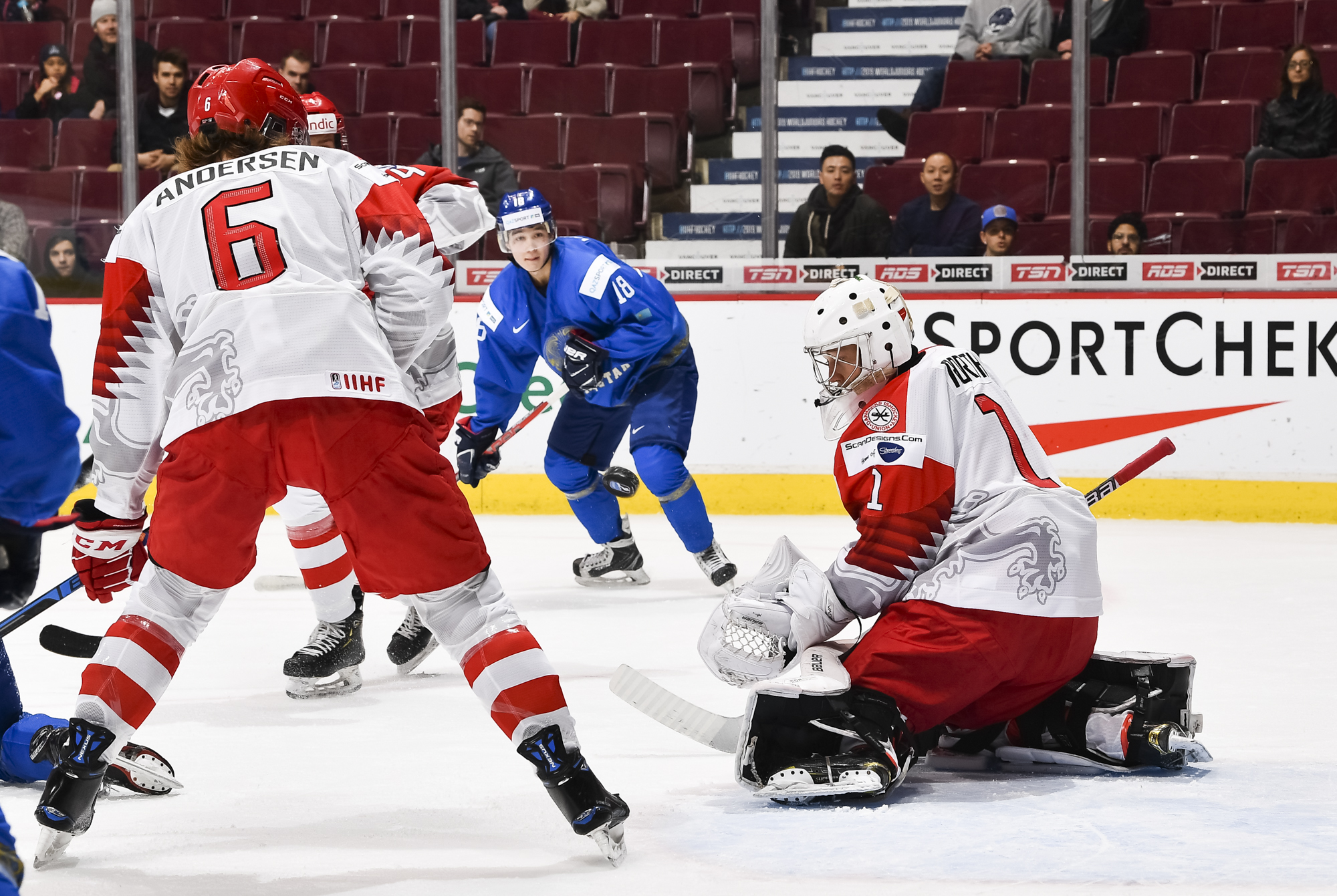 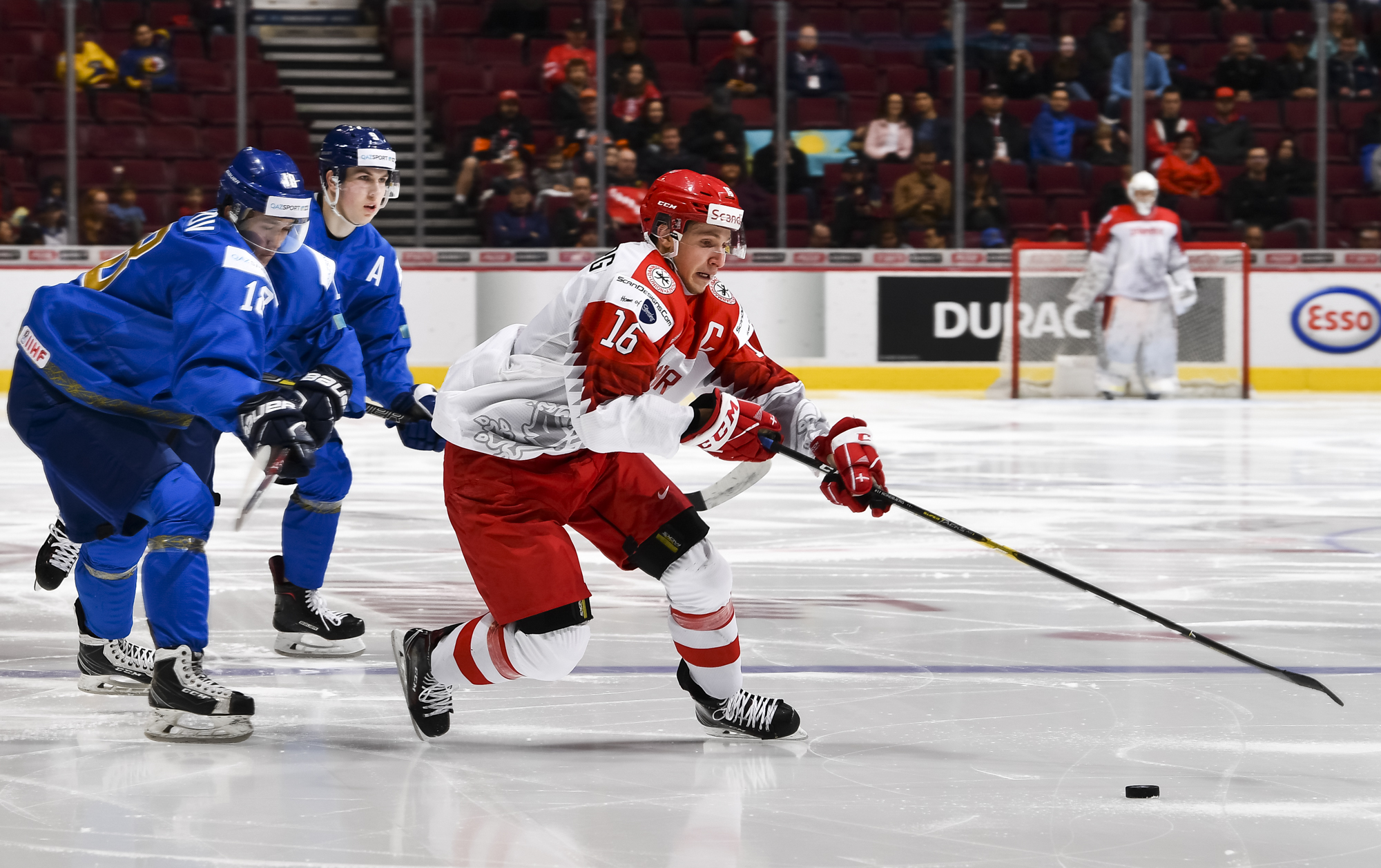 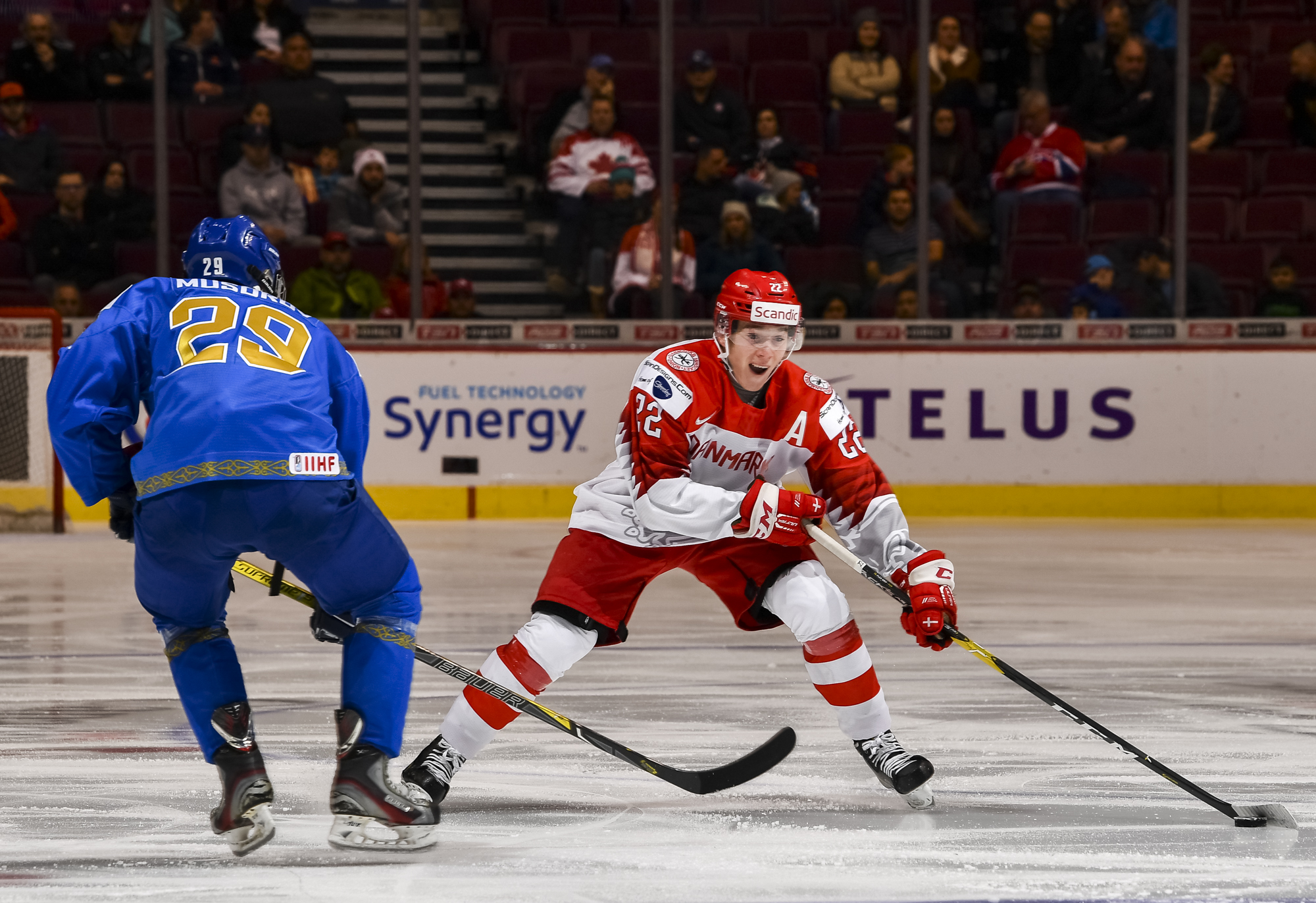 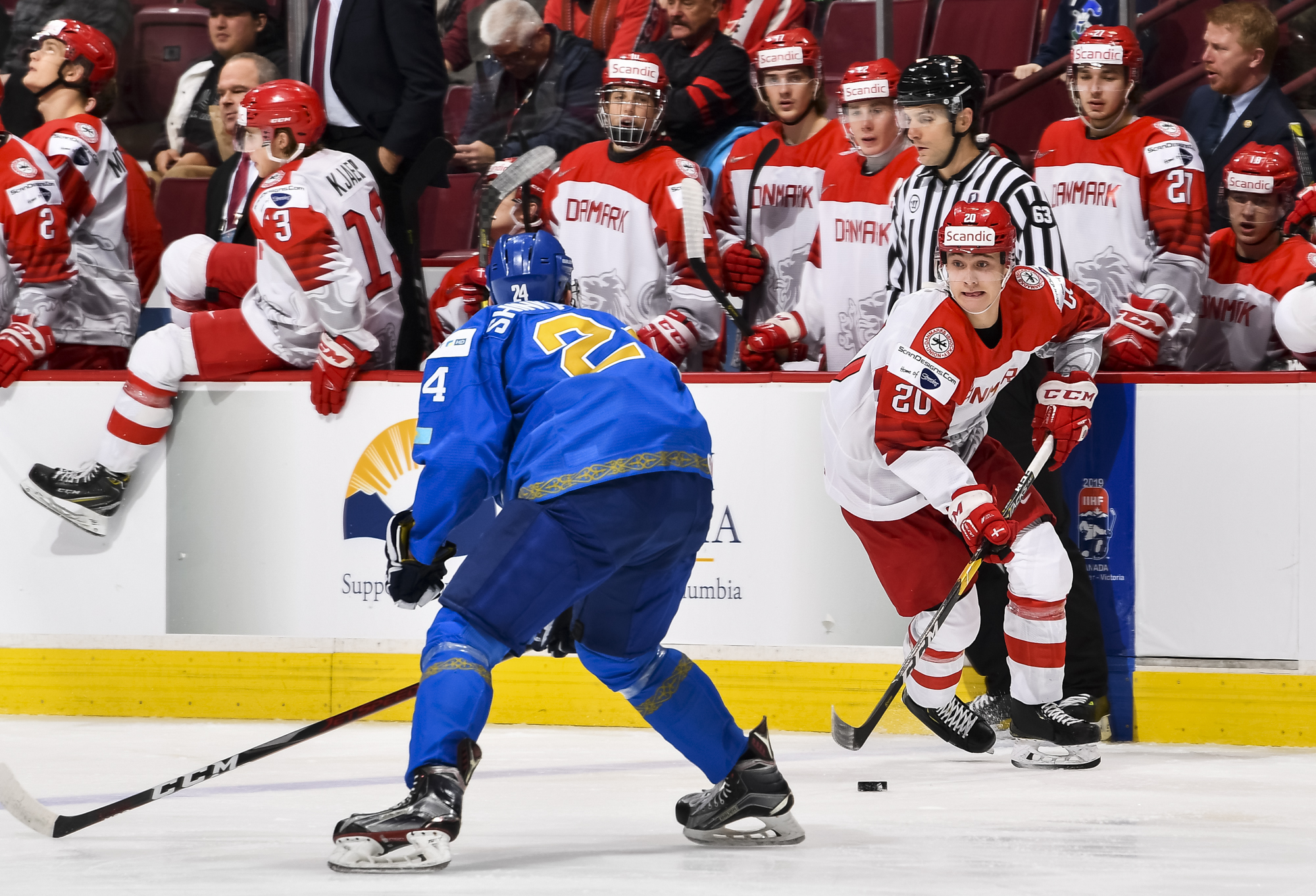 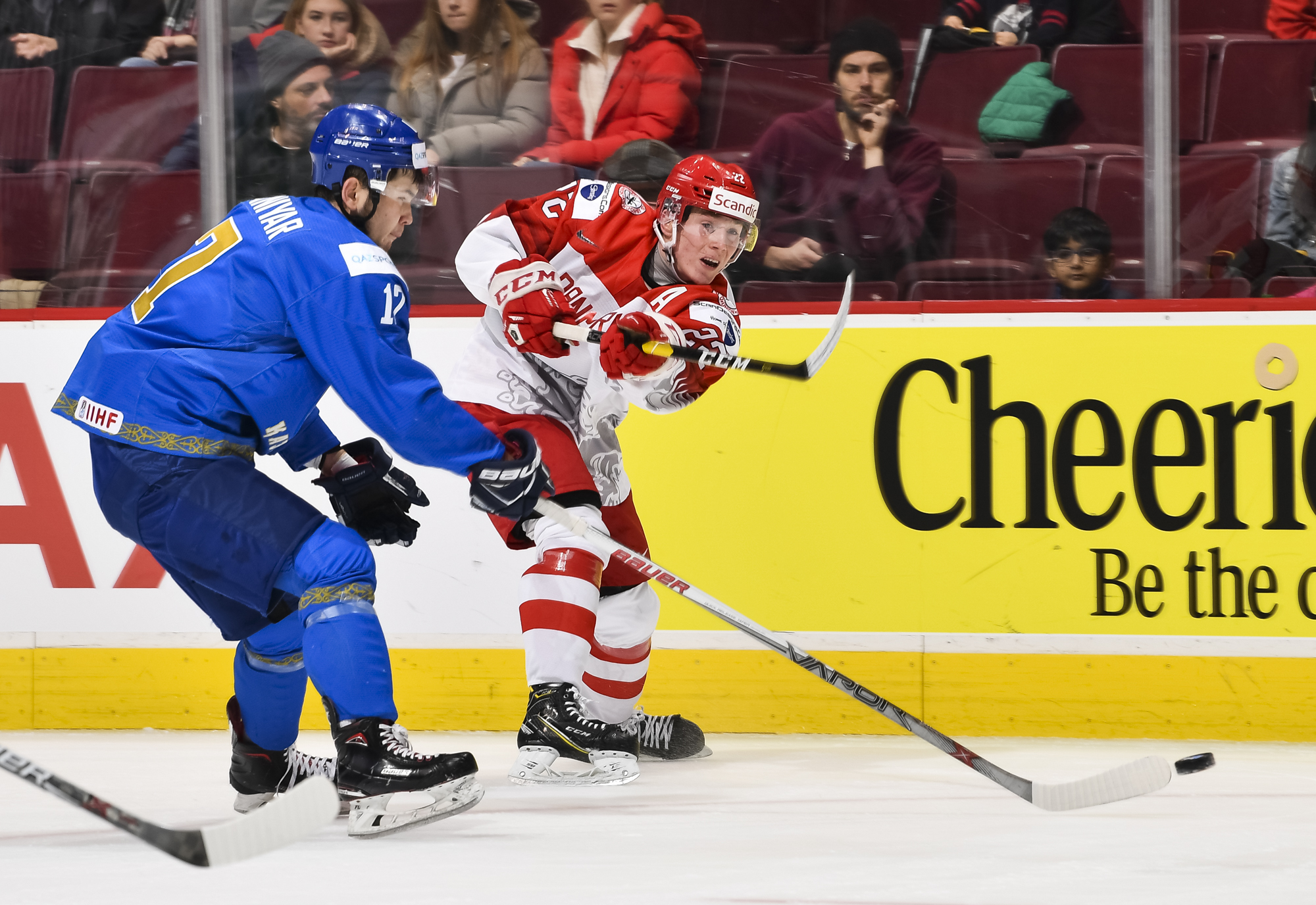 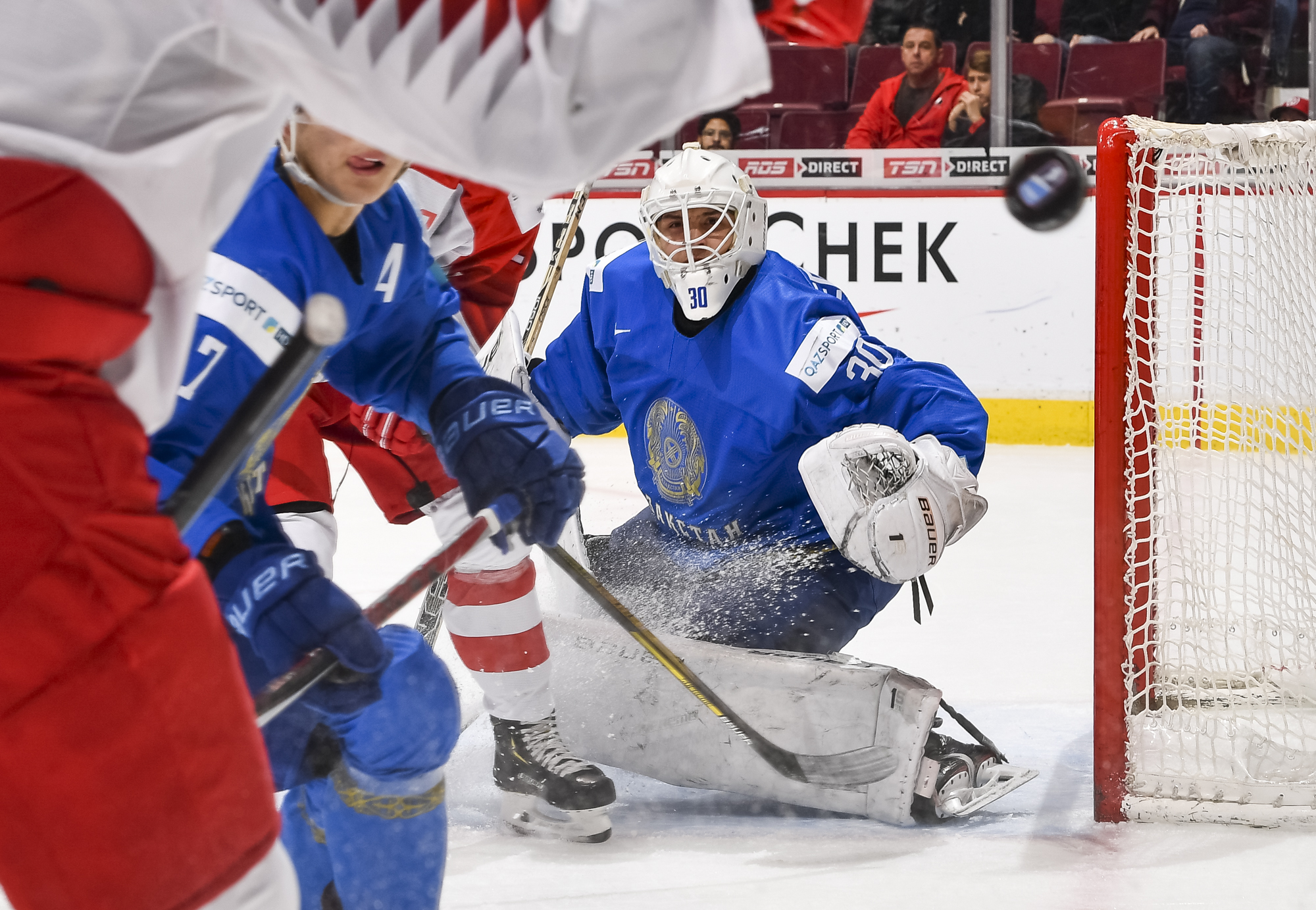 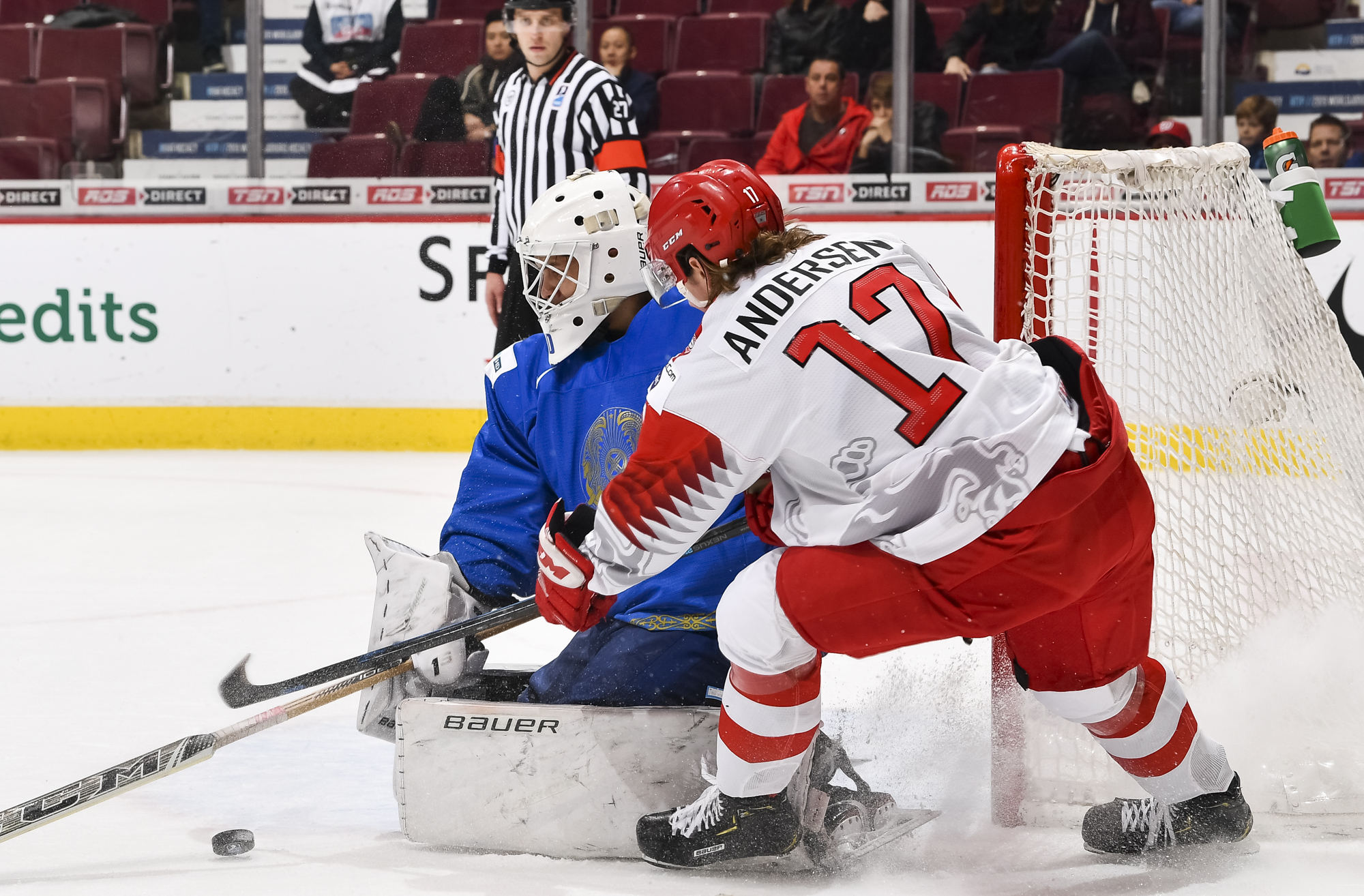 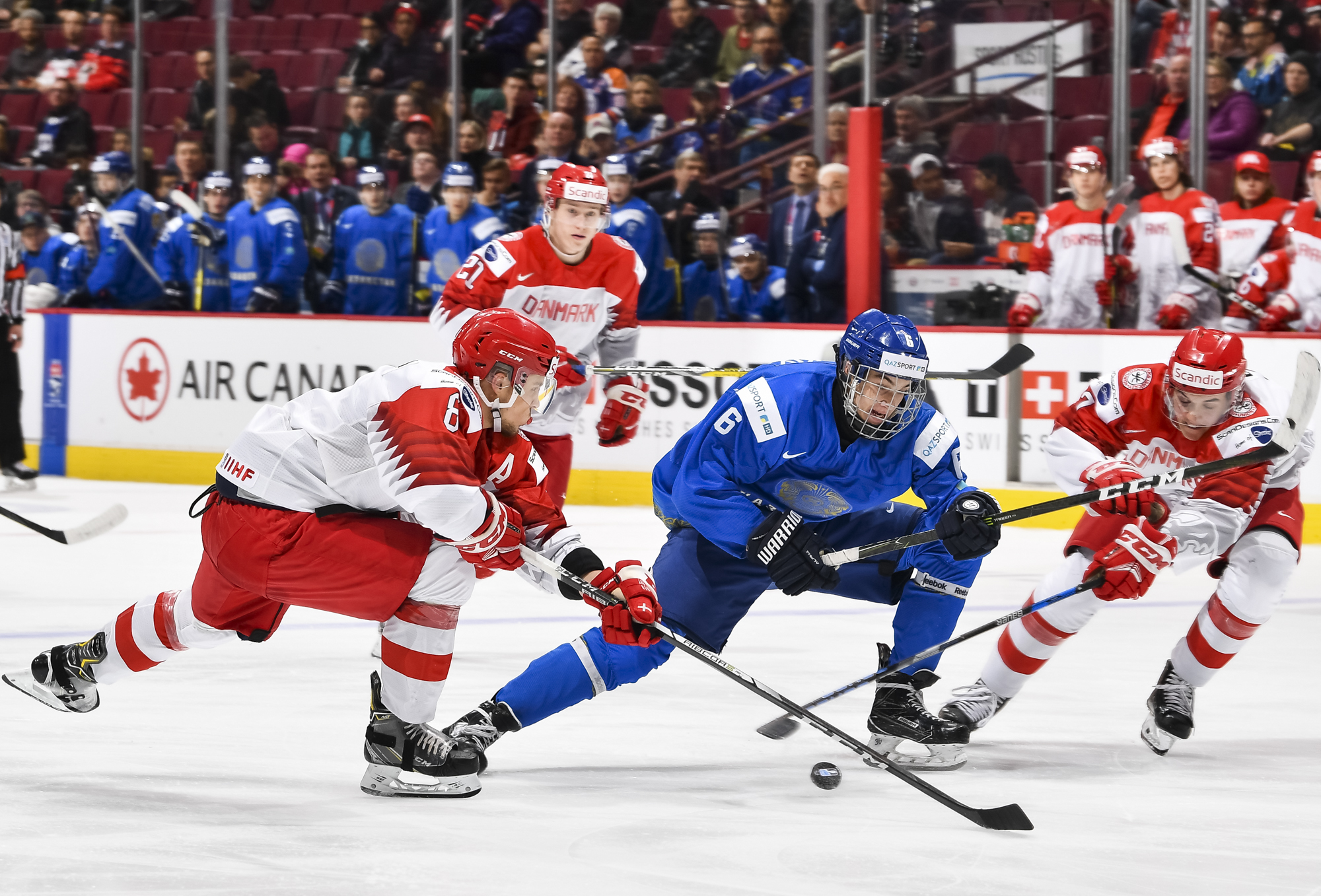 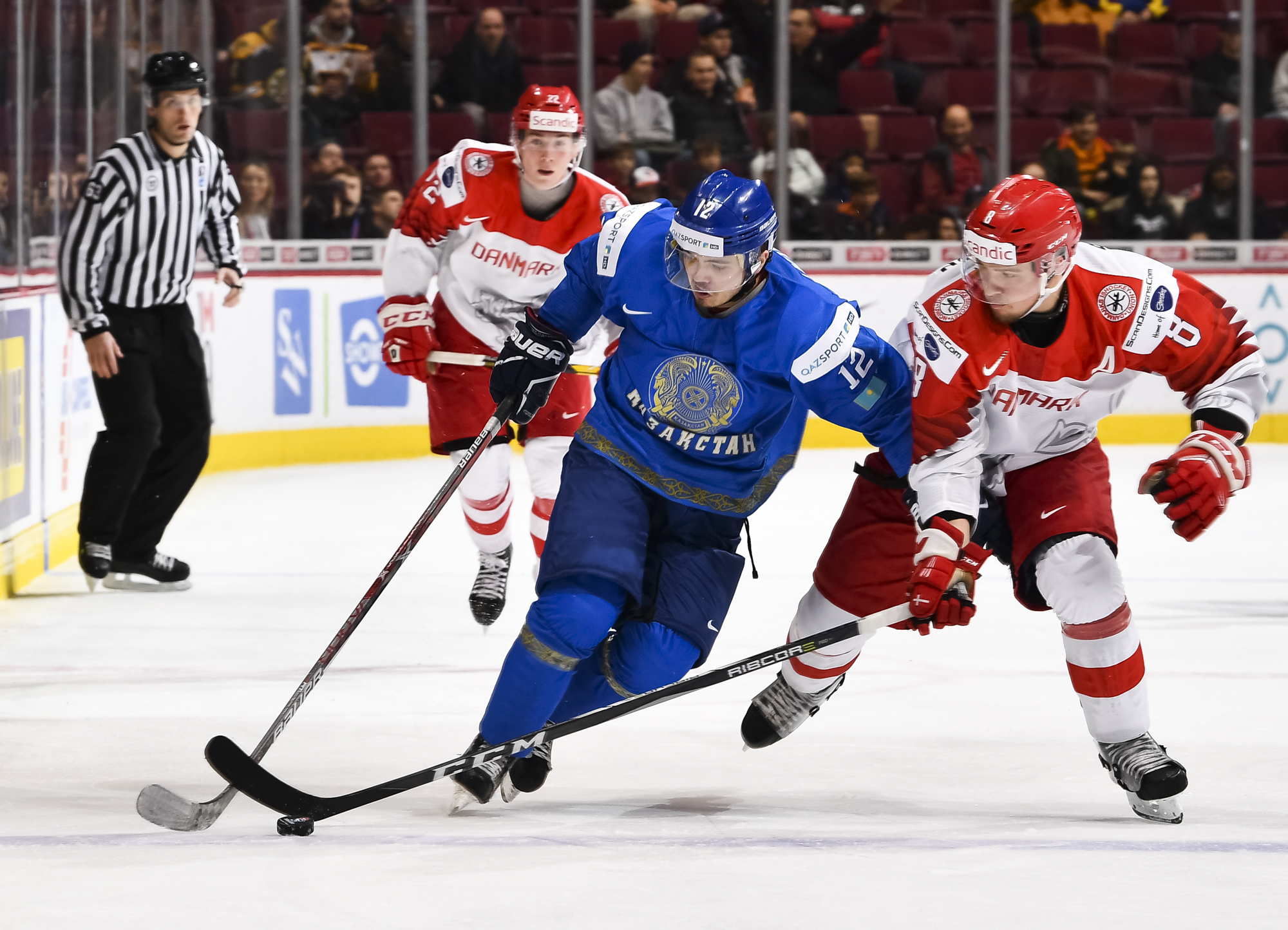 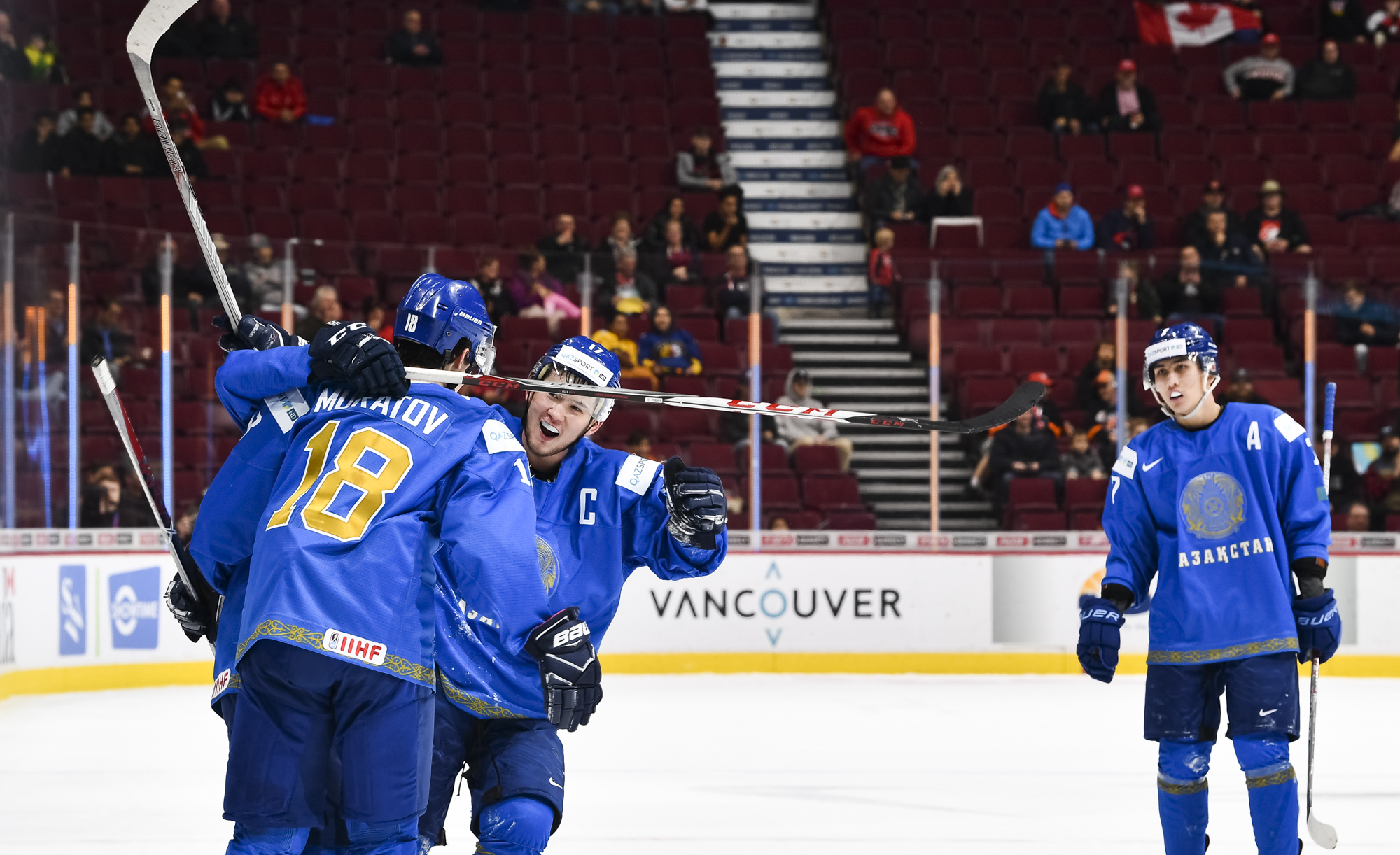 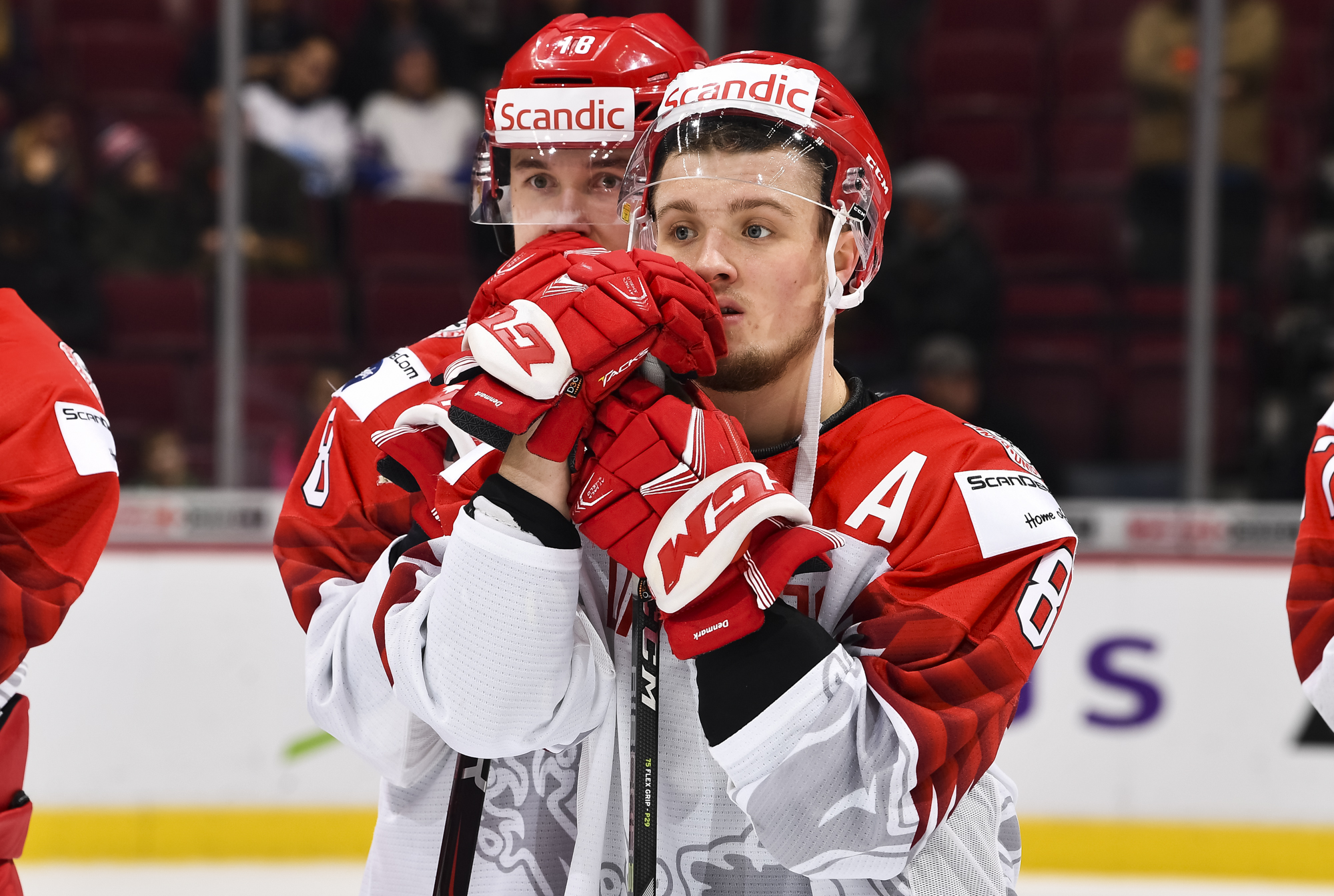 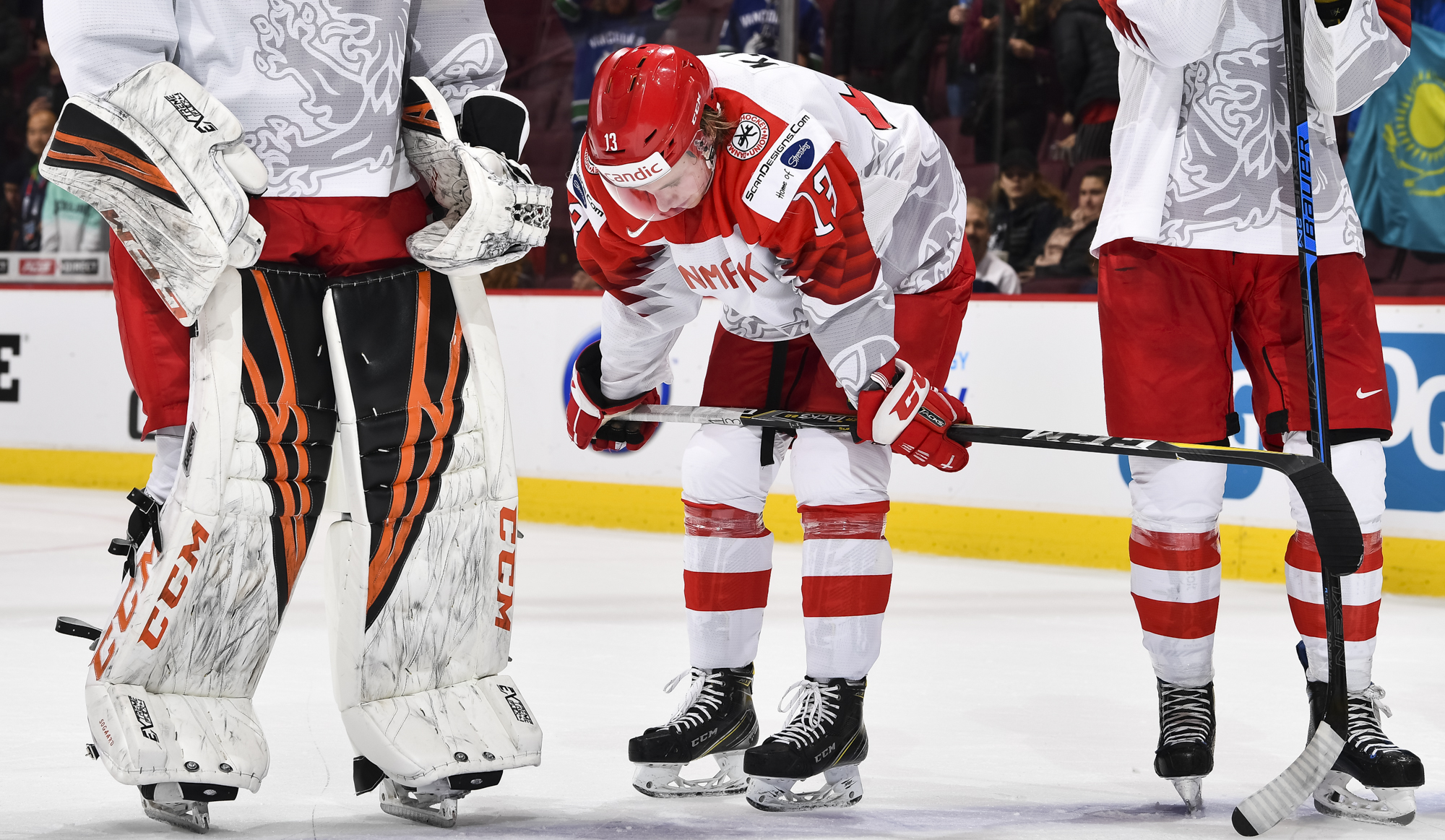 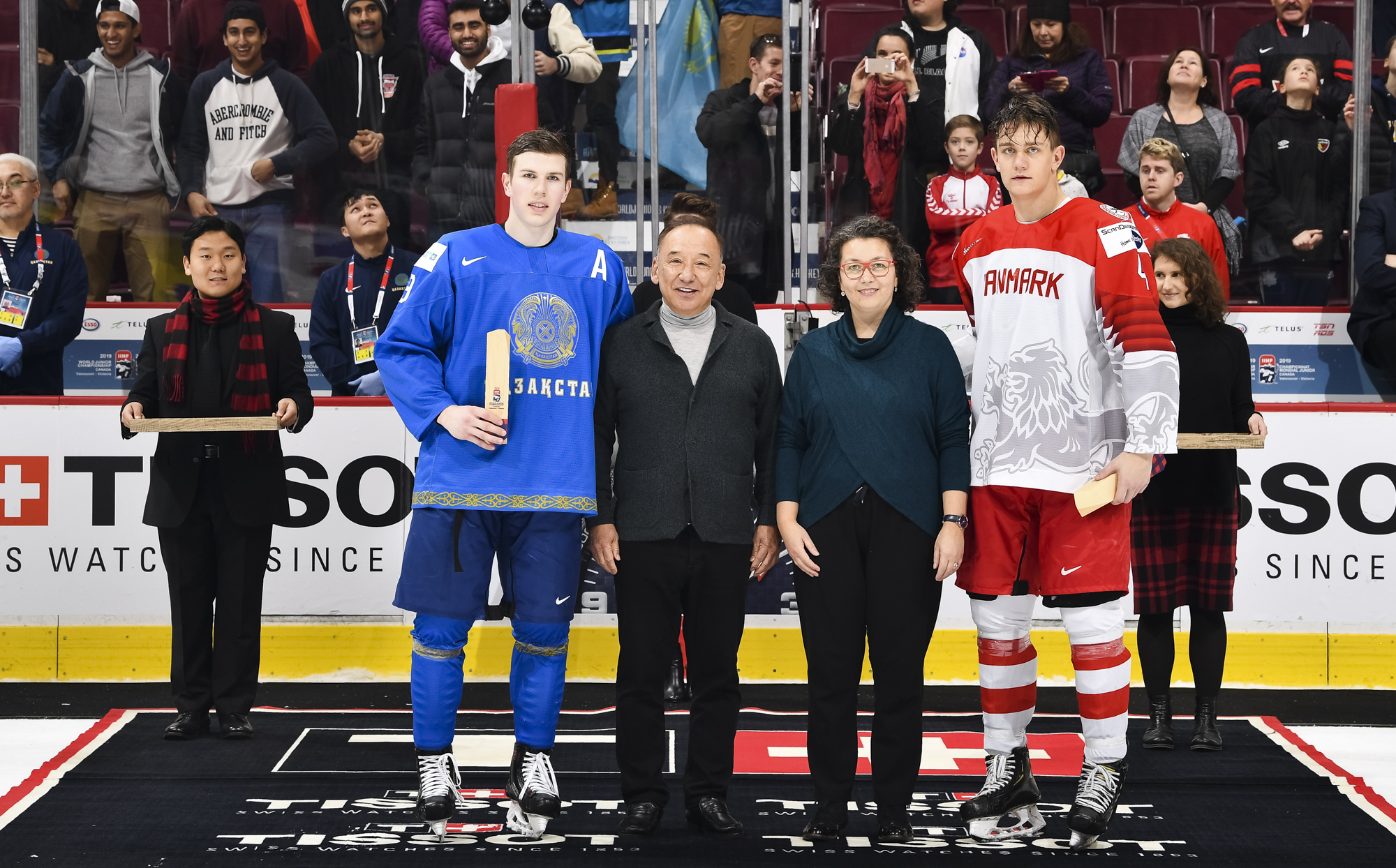 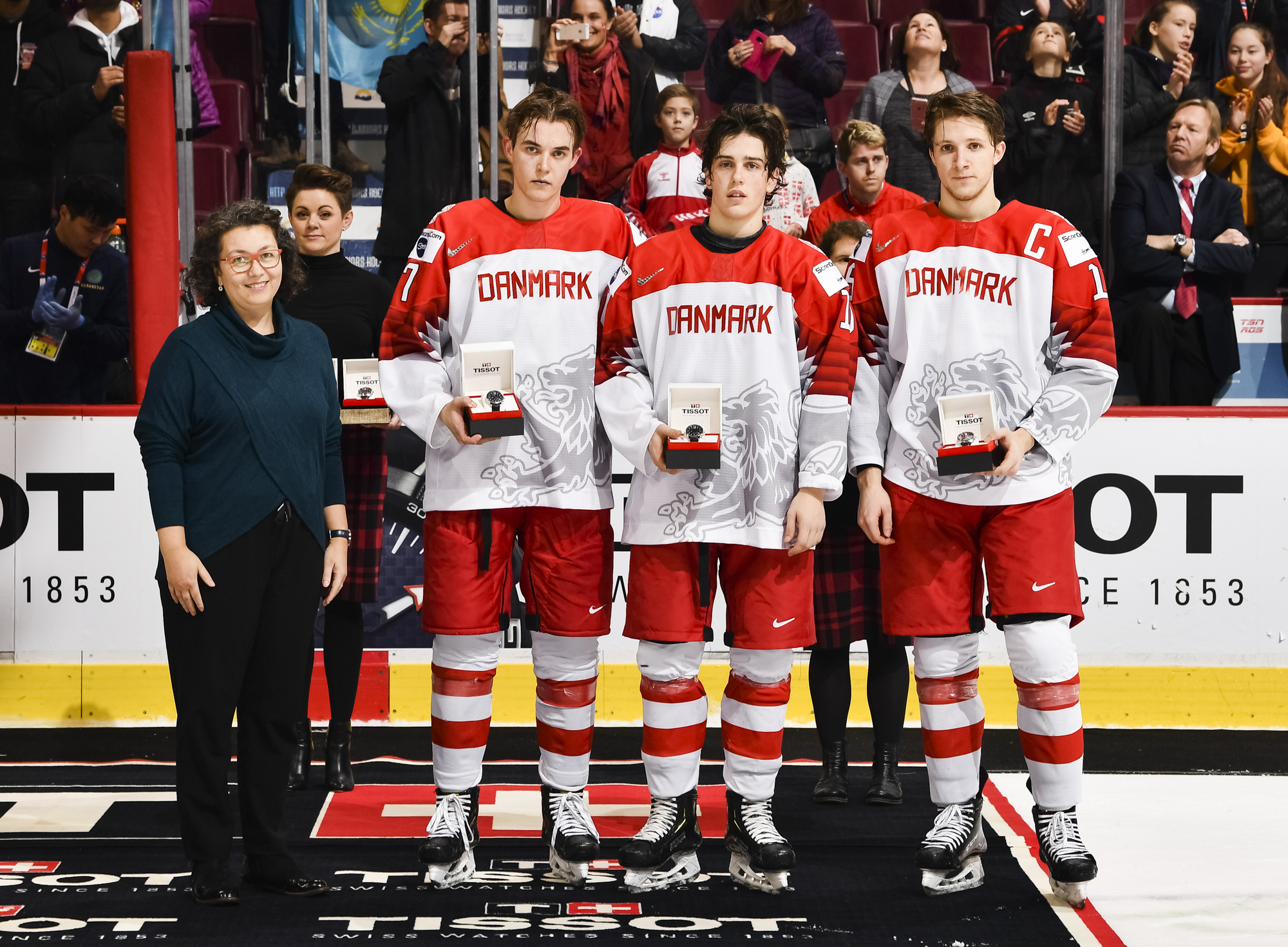 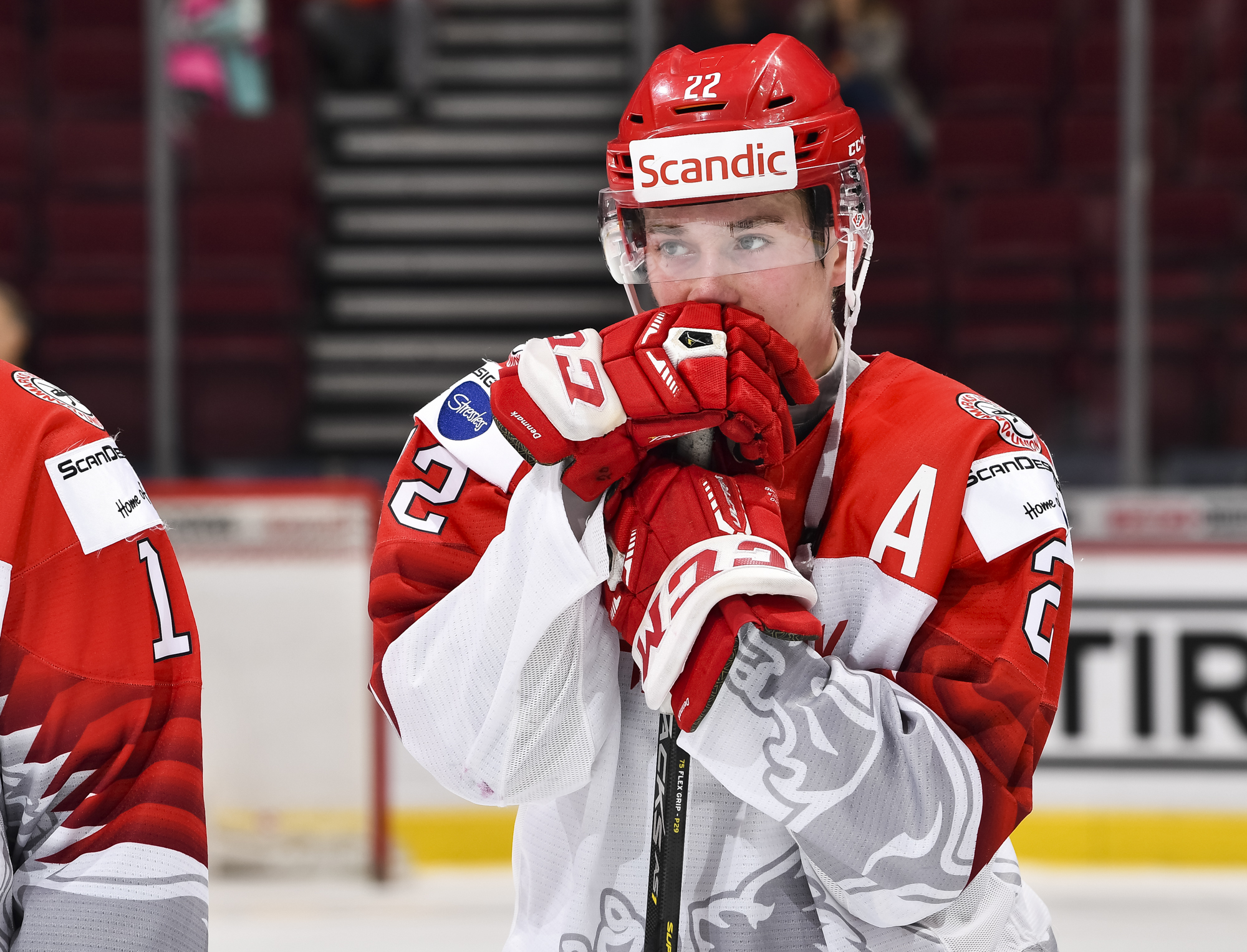 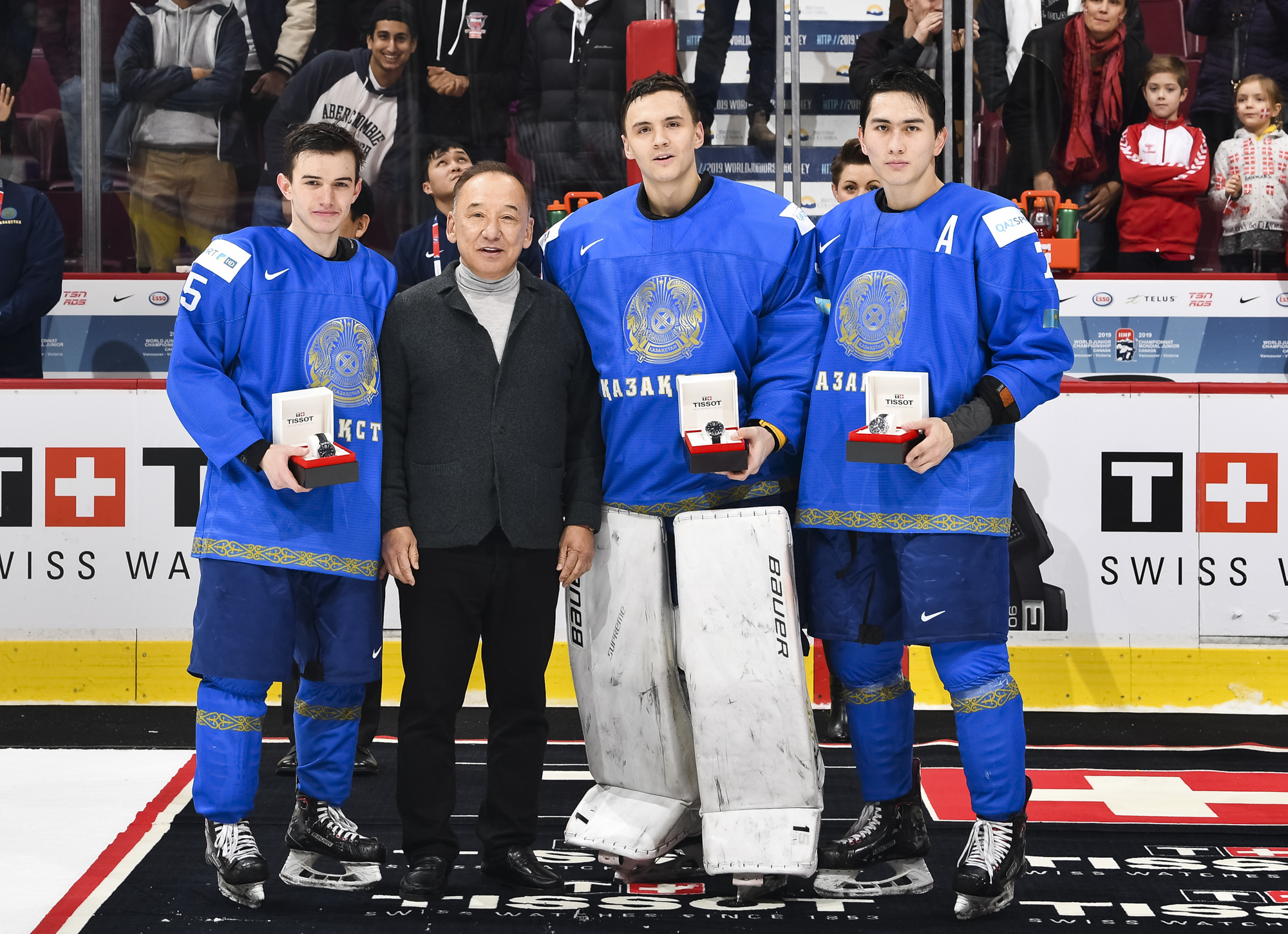 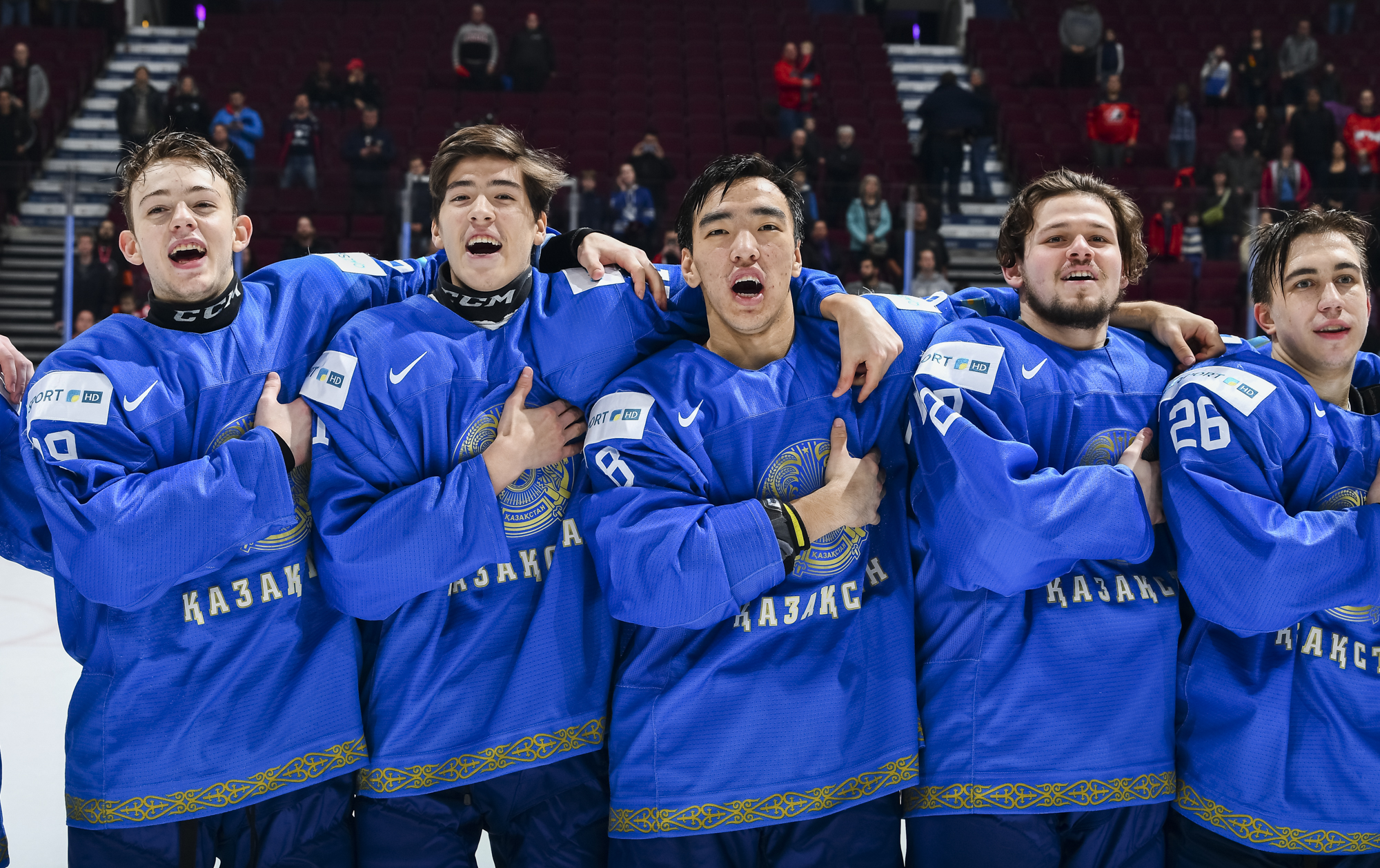 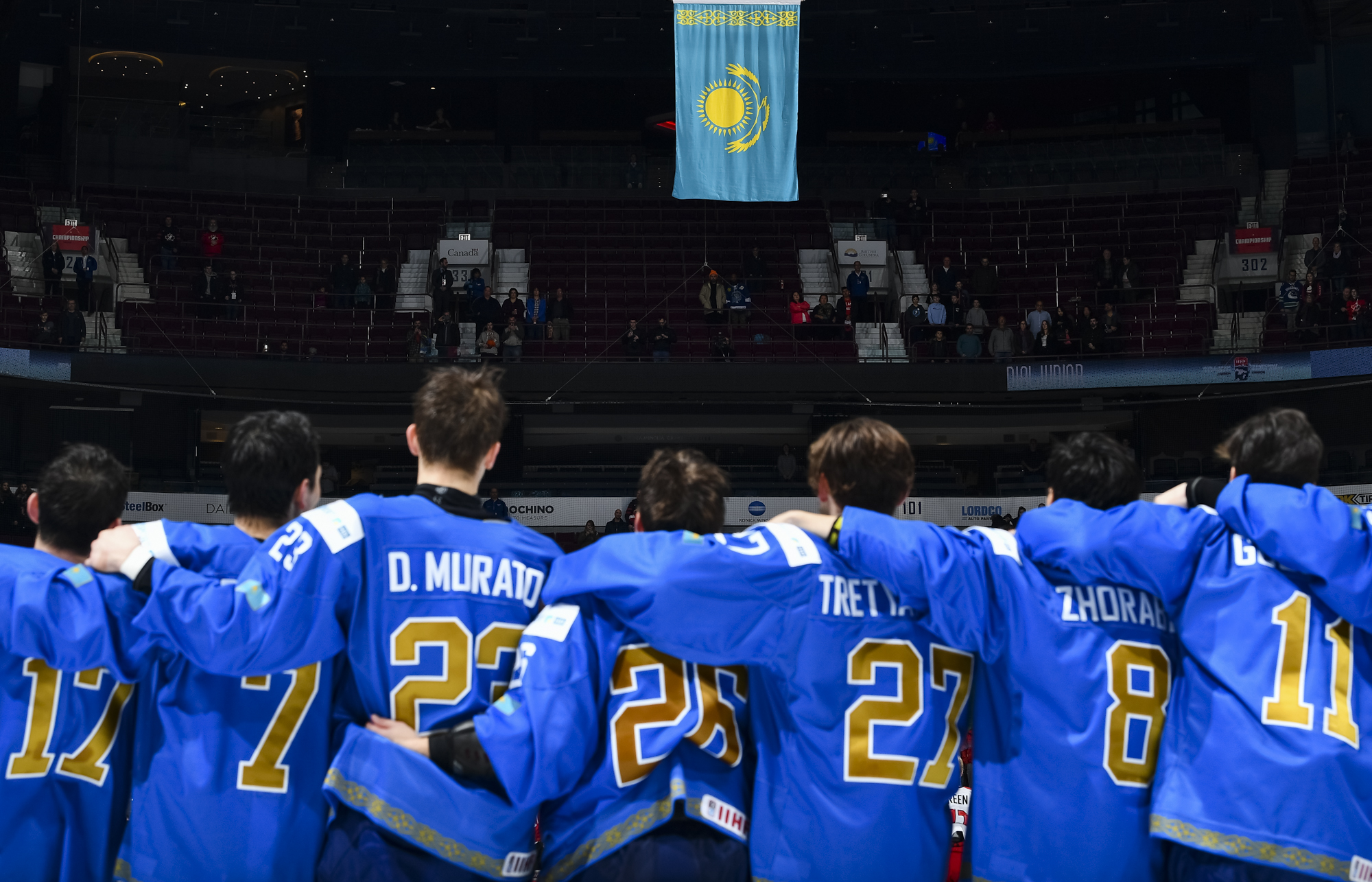 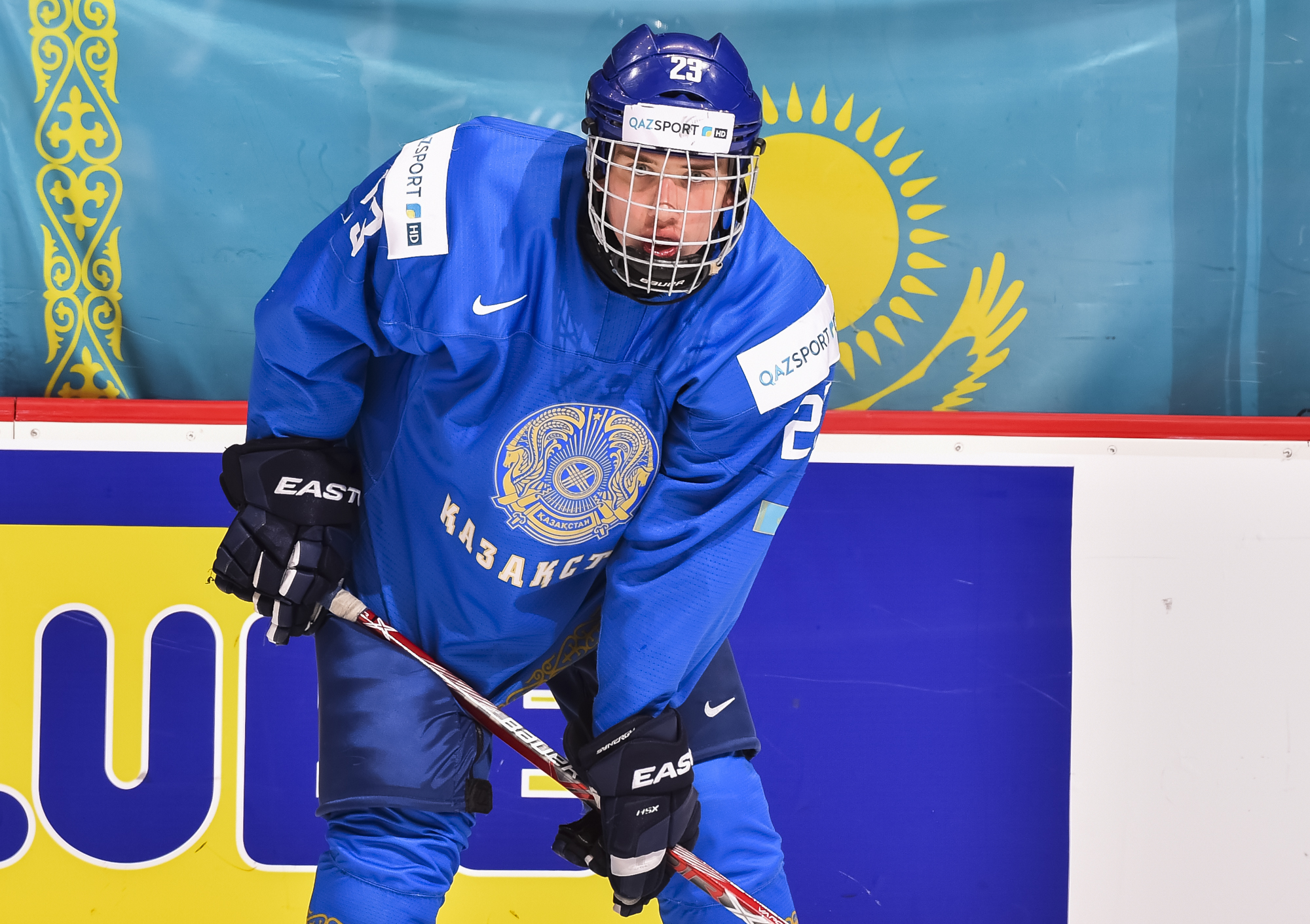 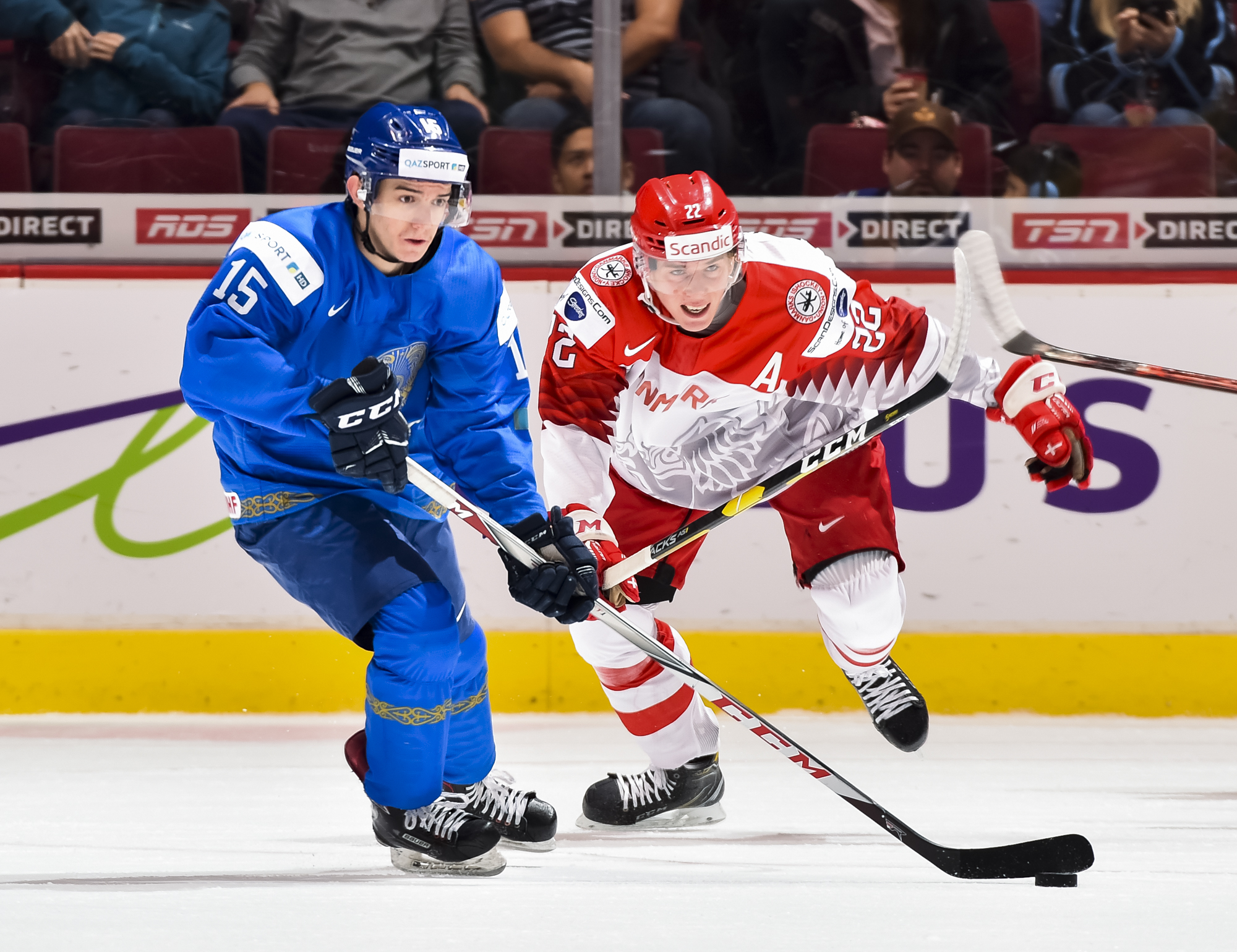 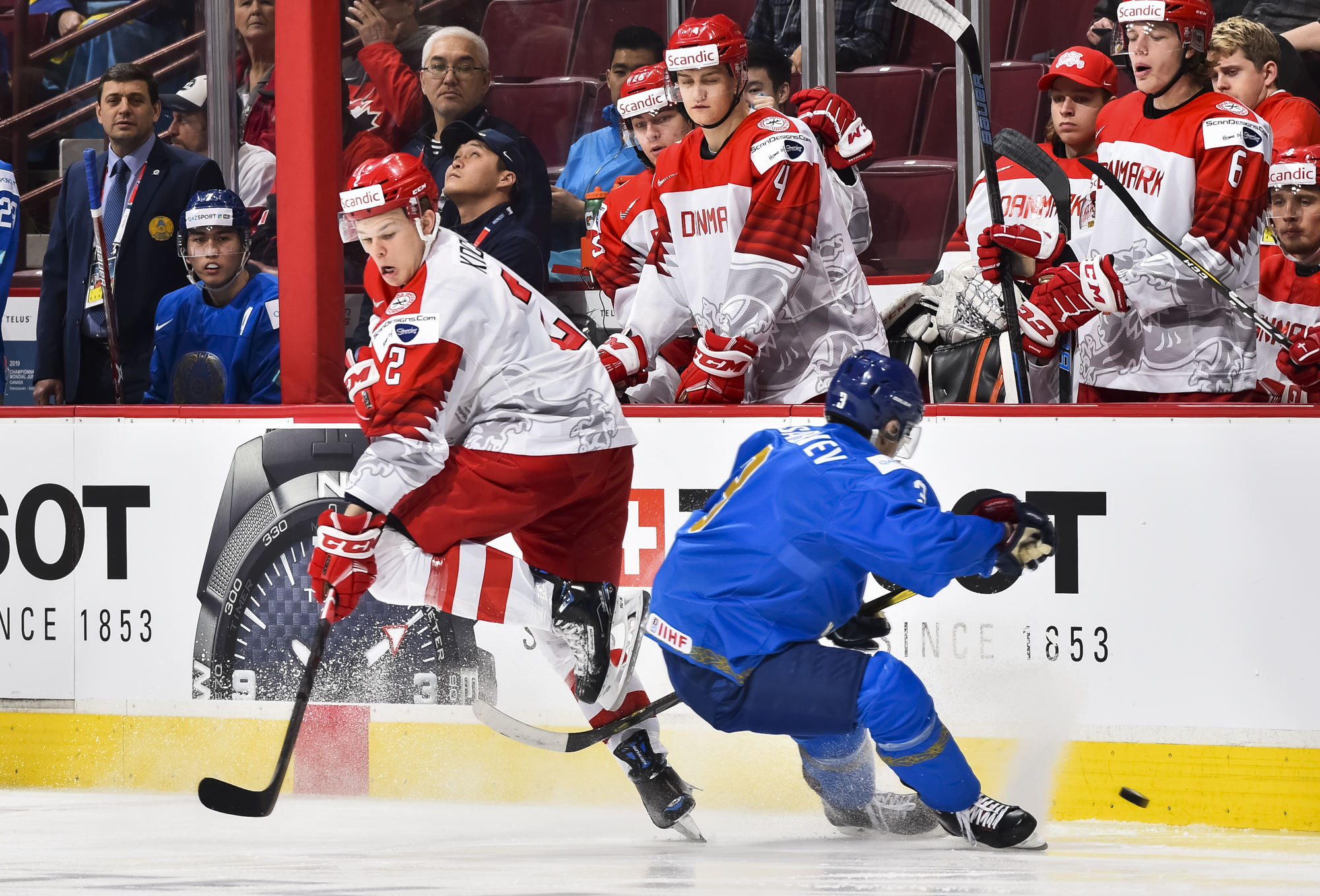 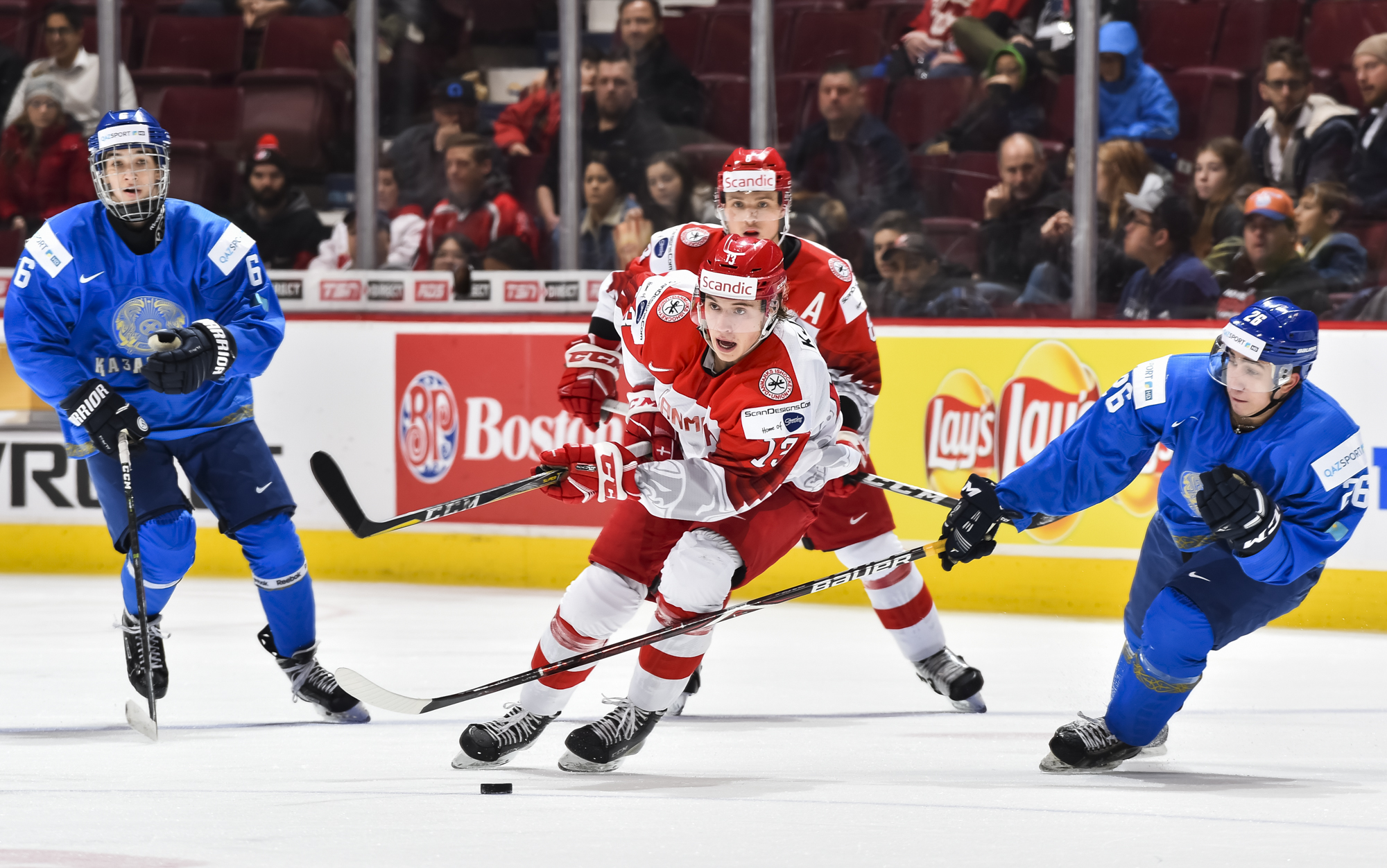 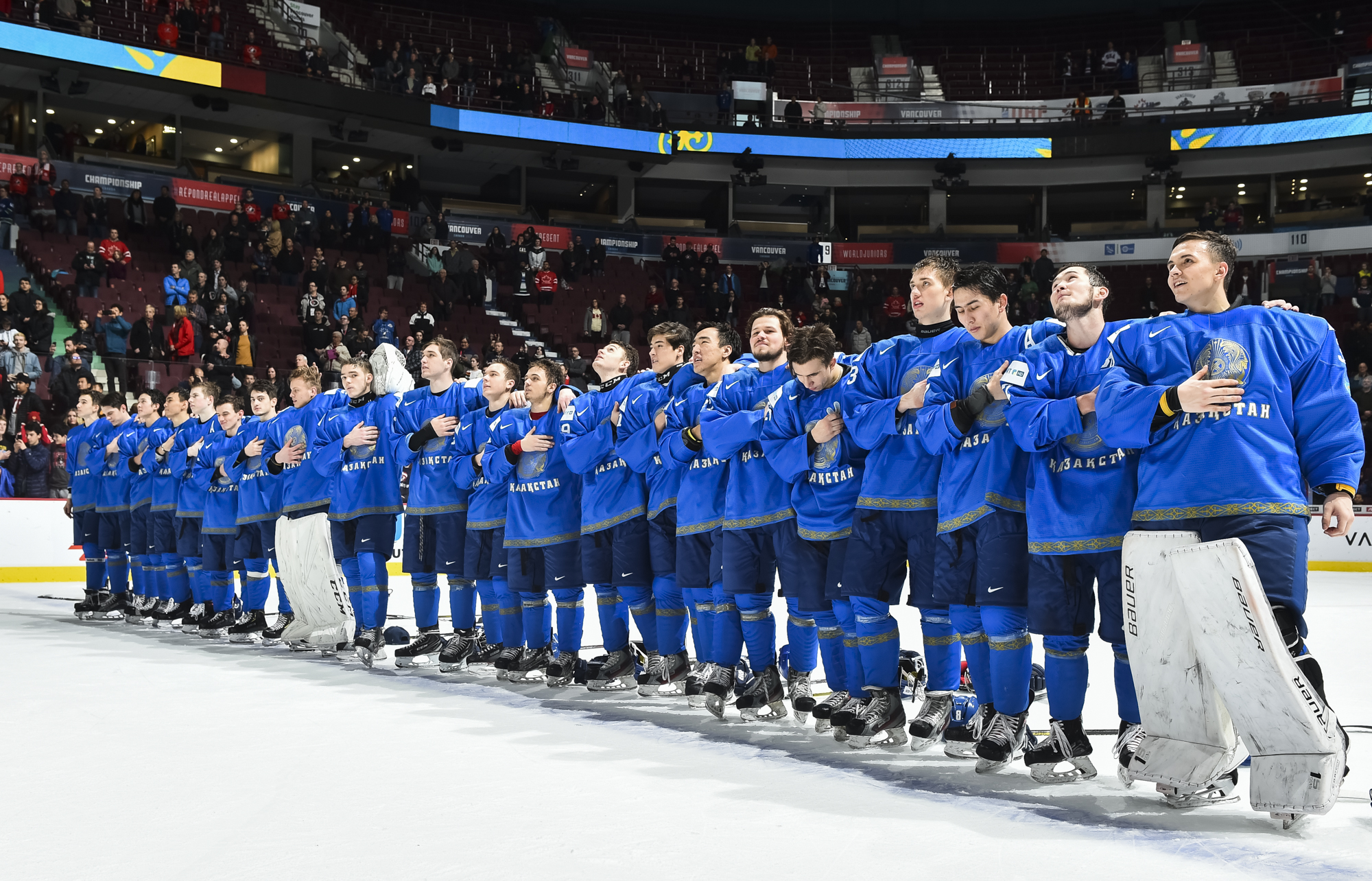 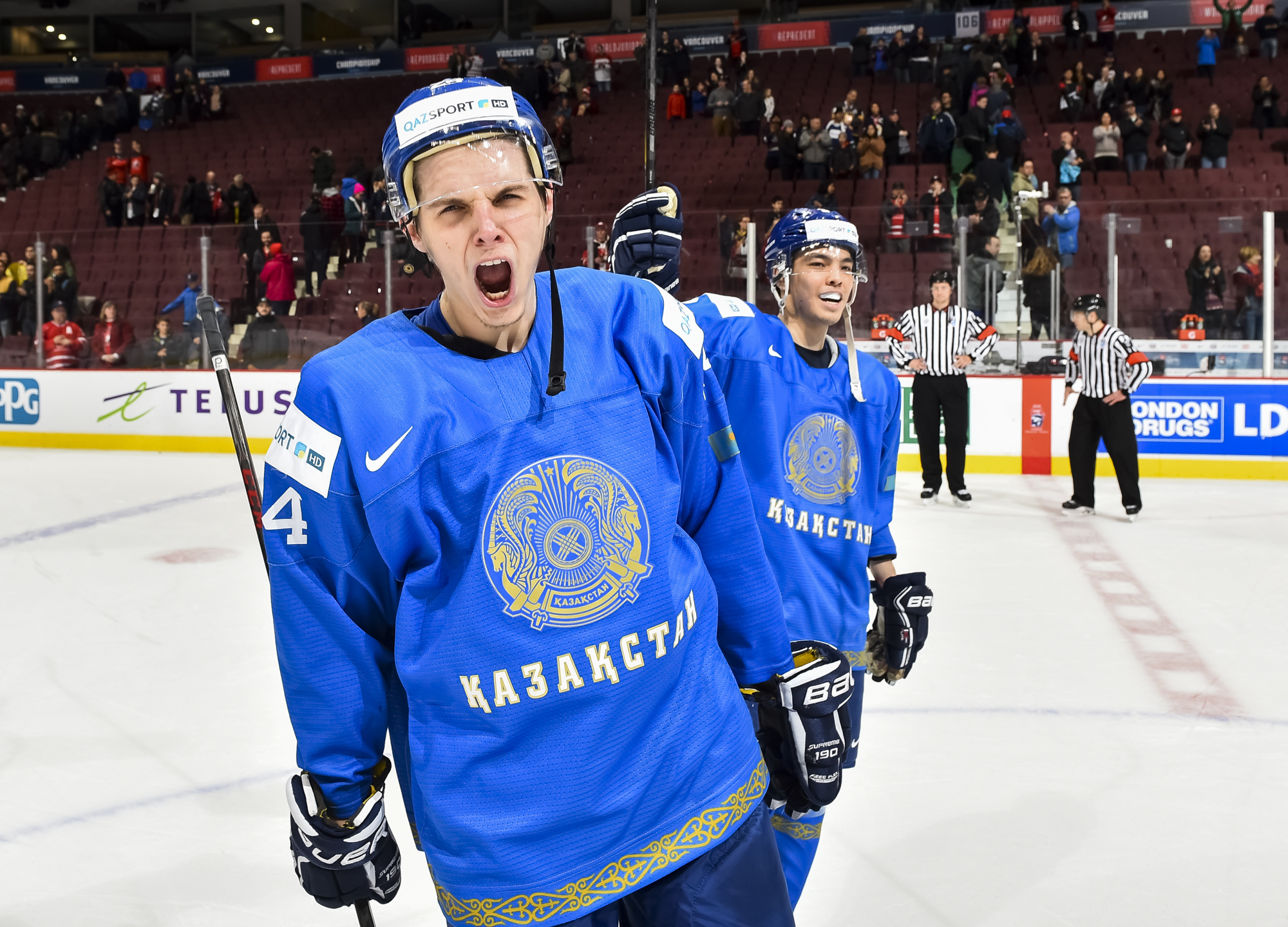 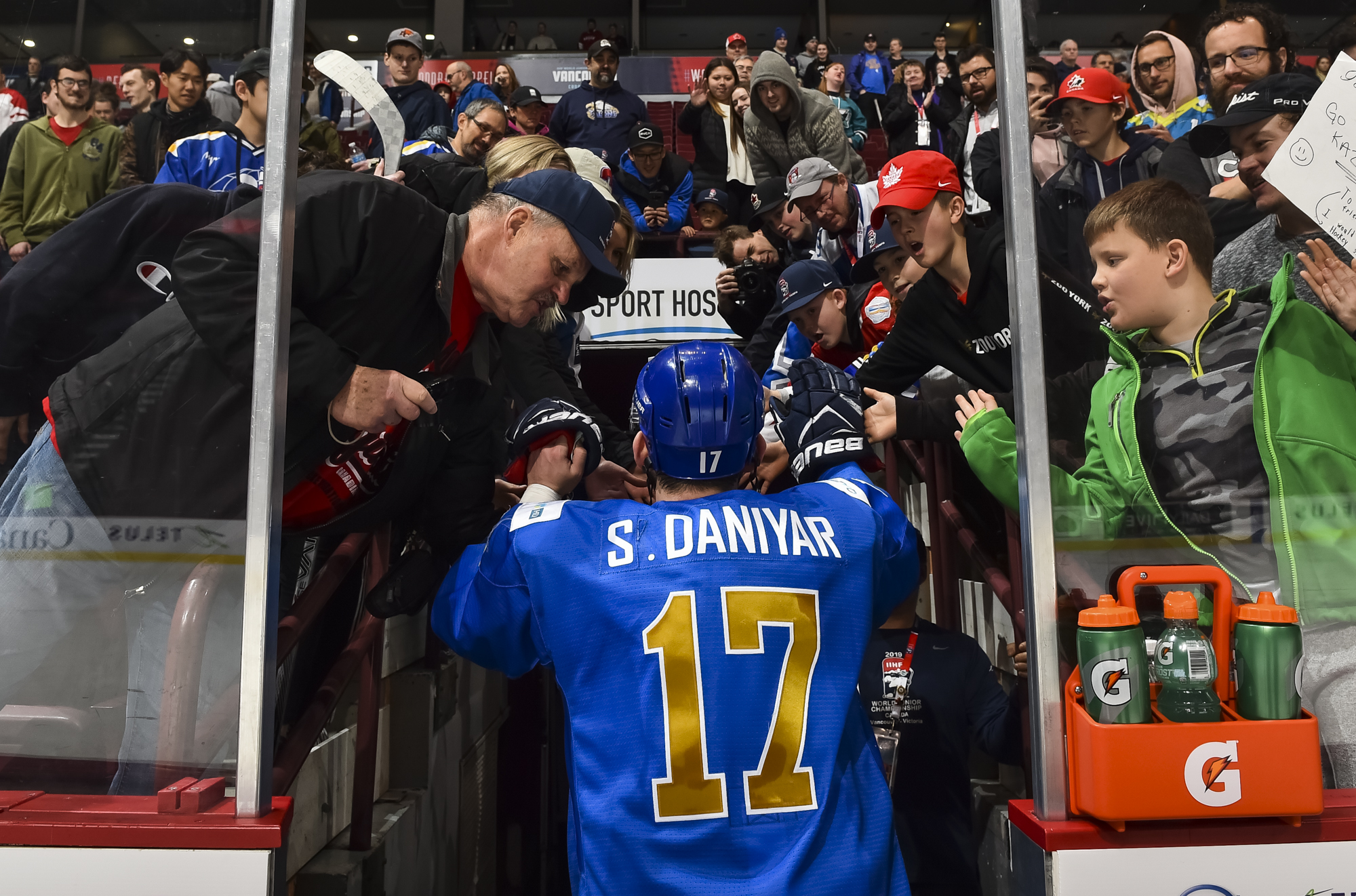