Denmark scores, but Kazakhstan wins
Kazakhstan's Sayan Daniyar (#17) collides with Denmark's David Madsen (#23) while Valeri Orekhov (#9) looks on.
photo: Matt Zambonin / HHOF-IIHF Images
share
Denmark scored its first goal of the tournament midway through the opening period to tie the game, 1-1, but Kazakhstan scored first and next, taking the opening game of the best-of-three relegation by a 4-3 score.

Denmark had a huge advantage in shots, 43-19, but goalie Demid Yeremeyev stood tall for the Kazakhs.

"Denmark is a very tough opponent for us," Yeremeyev said. "They play hard, but we told ourselves to play like a team. I knew they would score on us, but I don't care. We won the game."

"The guys didn't need any motivation from me," coach Sergei Starygin began. "They knew how important the game was. We played excellent defence. We're very happy with our first win."

It was the first win for Kazakhstan after four losses in the Preliminary Round. The loss leaves the winless Danes (0-0-0-5) in the desperate situation of having to win two in a row or be demoted to Division I-A for 2020.

"We came out pretty sloppy in the first, but in the second and third we pretty much dominated," offered captain Jonas Rondbjerg, scorer of the first Denmark goal. "We have to keep playing like that and not make stupid mistakes. We have to come out with a push from the get-go next game, and I think we'll win."
World Men U20
Kazakhstan vs. Denmark (R1) - 2019 IIHF World Junior Championship
Denmark scored its first goal of the tournament midway through the opening period to tie the game, 1-1, but Kazakhstan scored first and next, taking the opening game of the best-of-three relegation by a 4-3 score.
DEN KAZ 02 JAN 2019
Kazakhstan got off to the perfect start, scoring at 1:36 when Yevgeni Shinkaretski’s point shot was tipped in front by Oleg Boiko. Not only did it boost their confidence it further frustrated the Danes.

Making matters worse, the Danes continued to have bad luck around the enemy goal. Lucas Andersen made a nice rush but couldn’t finish, and a bit later Malte Setkov fired a shot off the crossbar. He looked skyward as he saw the puck ricochet out of play, wondering what the team had to do to score.

Despite outplaying the Kazakhs in the second, and outshooting them 14-4, it was Kazakhstan that got the only goal of the middle period, with the man advantage. Captain Sayan Daniyar showed patience with the puck, moving out front and wristing a shot over Soegaard’s glove, making it 3-1.

It looked like Denmark might get its legs after scoring early in the third. A turnover just inside the Kazakh blue line allowed Lucas Andersen find Andreas Grundtvig alone in front. He made a great deke on Yeremeyev before roofing a shot, making it 3-2 just 1:29 into the period.

But the Danes just didn't get inspired enough by the goal. Kazakhstan recovered, and at 8:06 went ahead by two again. A turnover at centre gave Artur Gatiyatov a clean break, and he deked Soegaard out of the goal and slid the puck in.

Setkov brought the Danes to within a goal again, roofing a wrist shot past the glove of Yeremeyev on a power play at 17:40.
Kazakhstan vs. Denmark (2019 IIHF WJC) 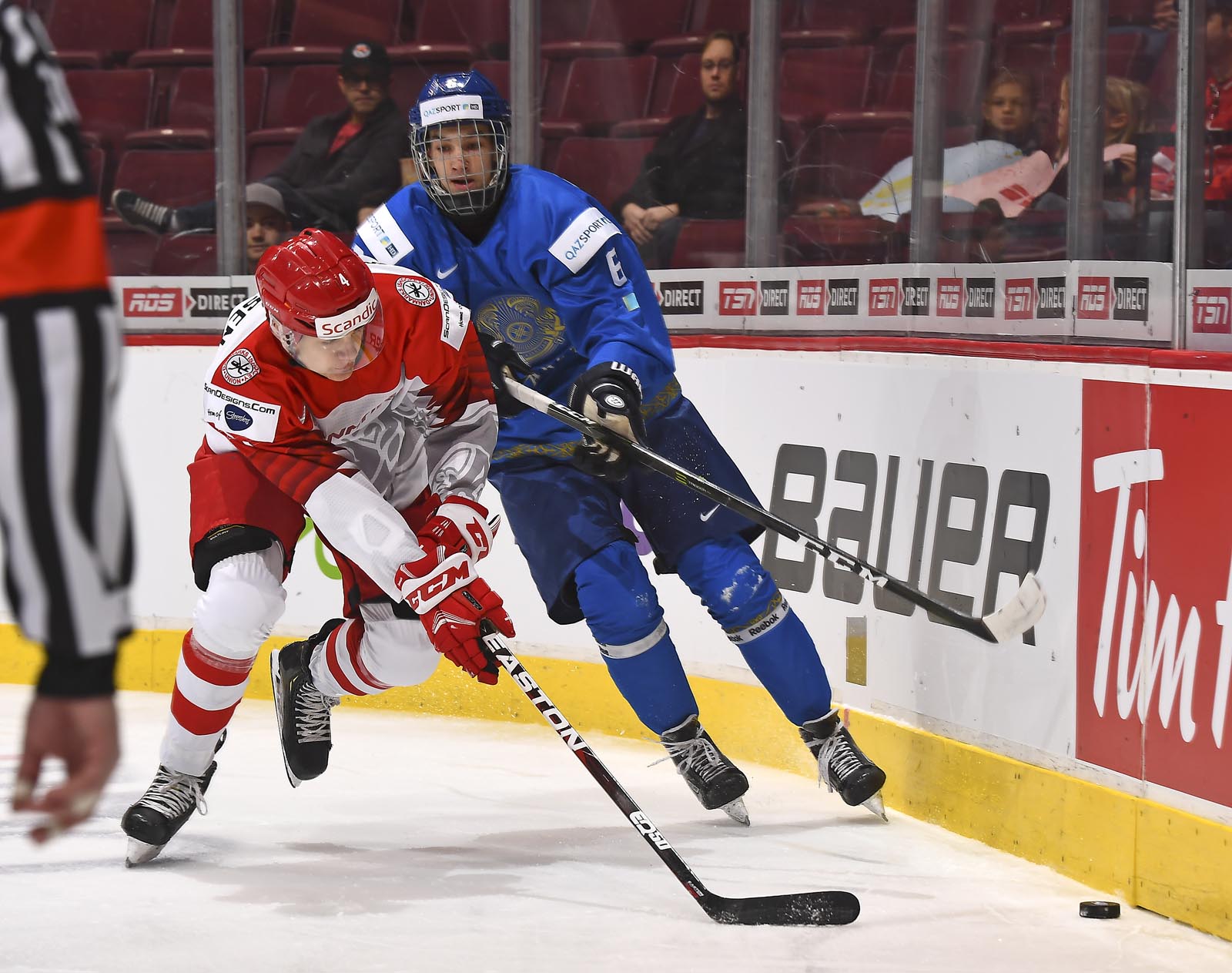 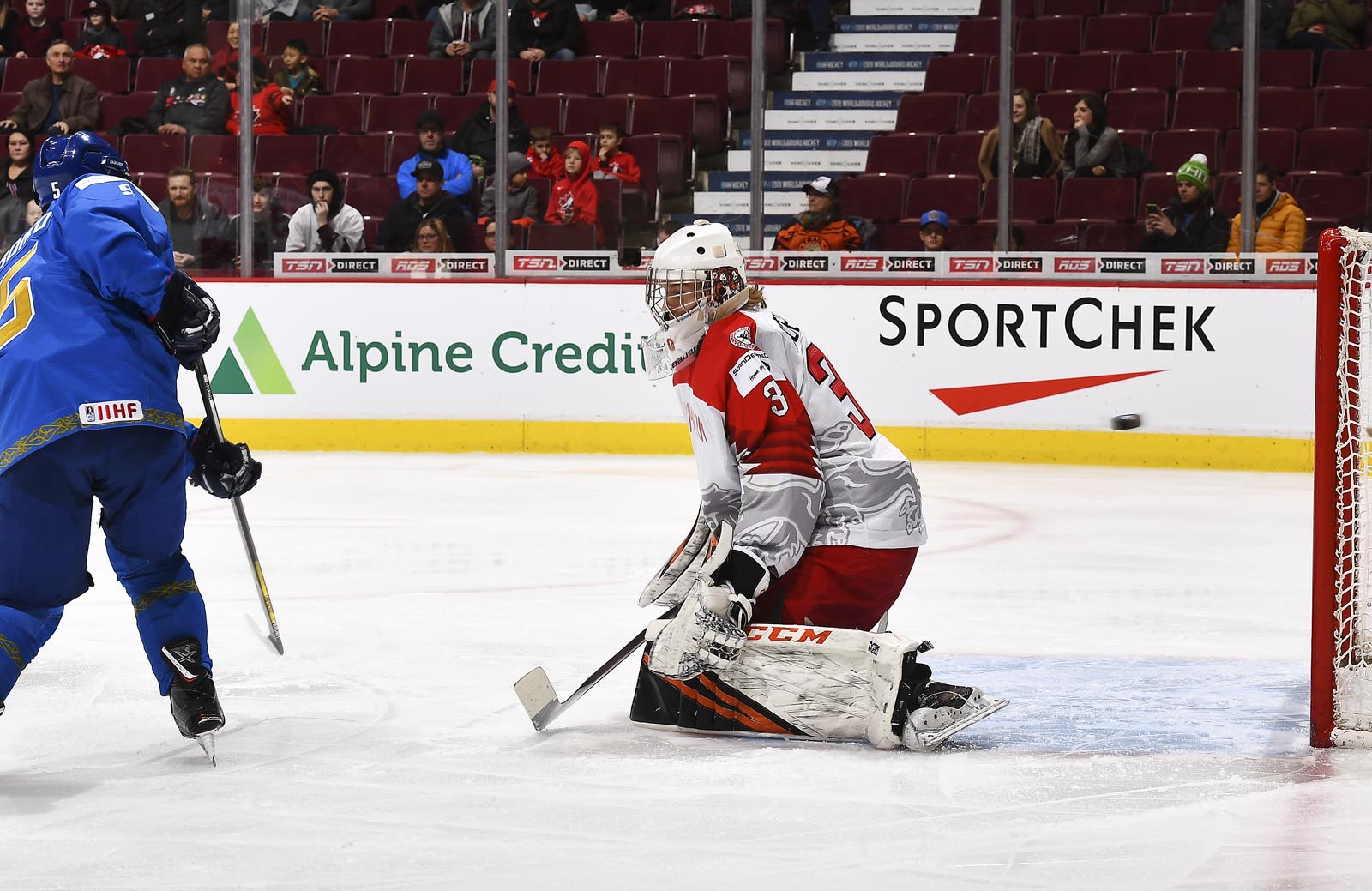 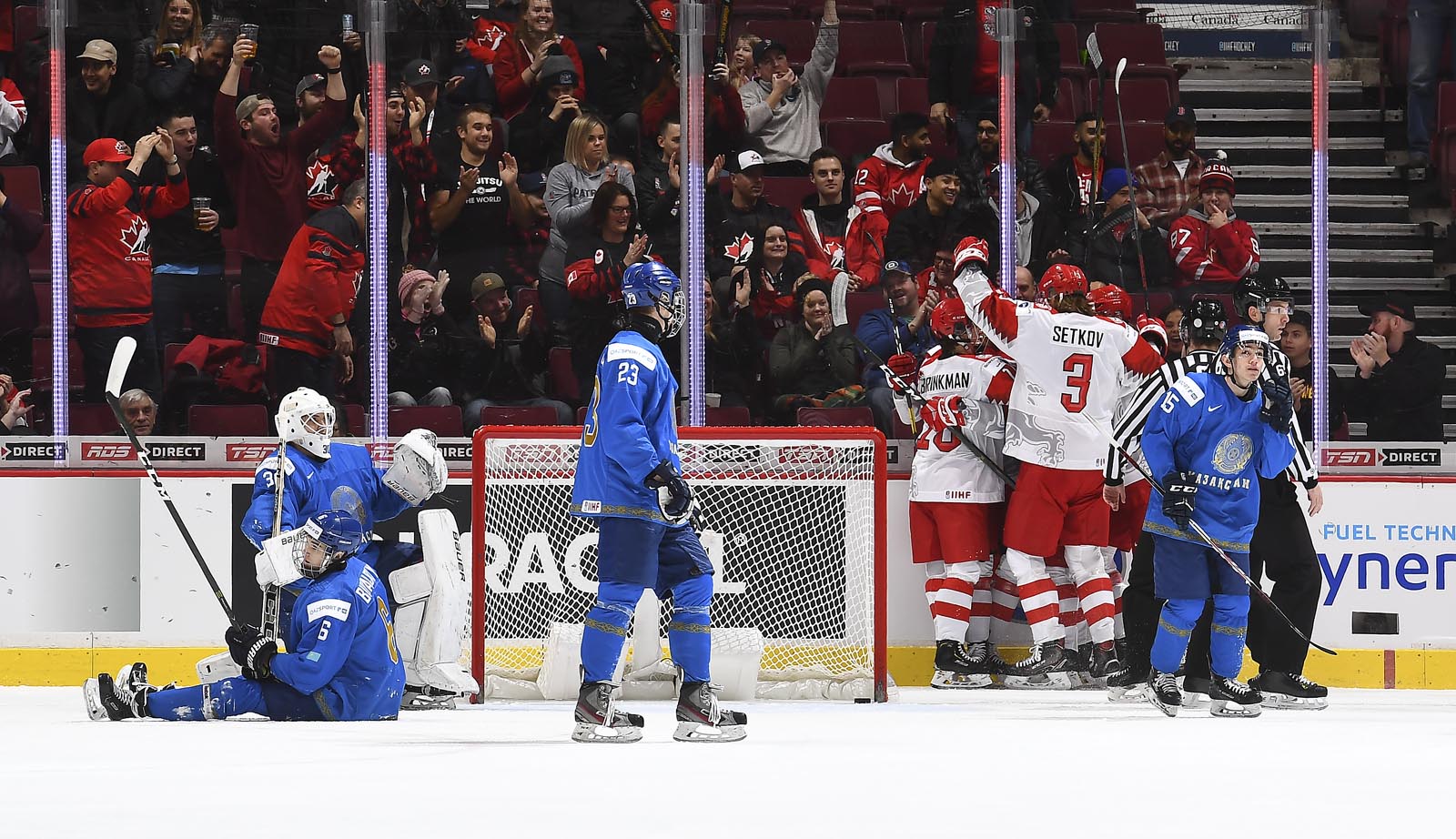 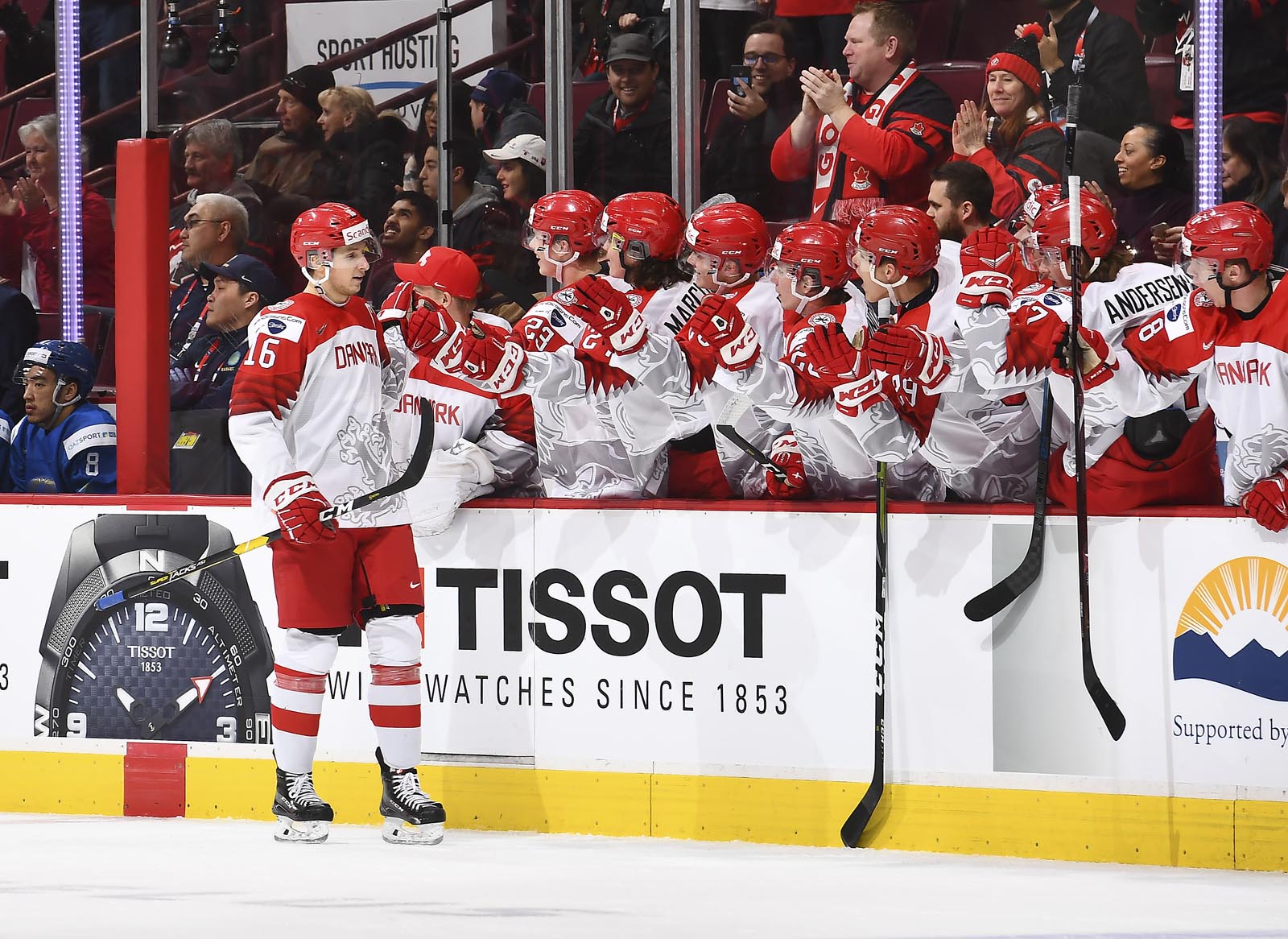 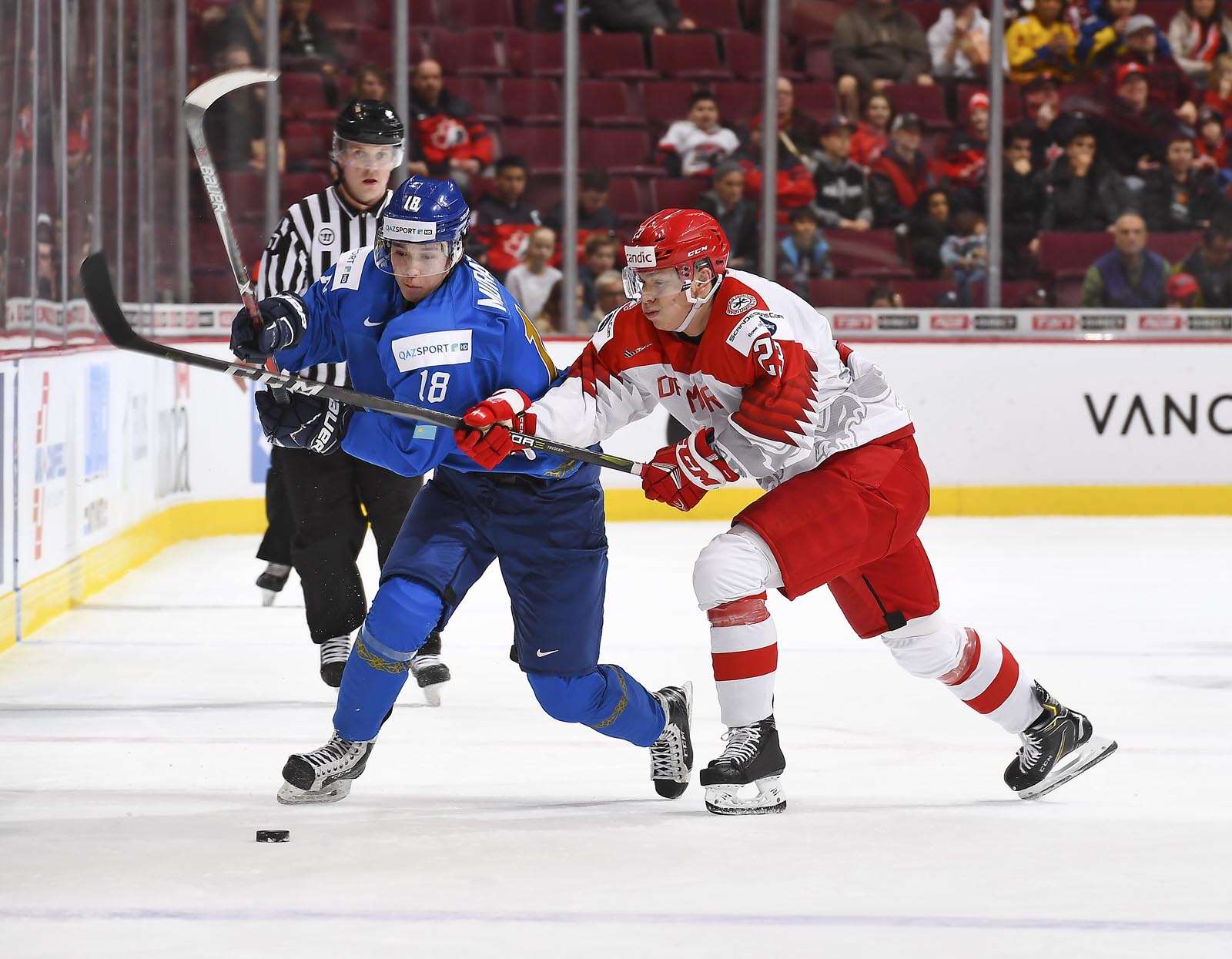 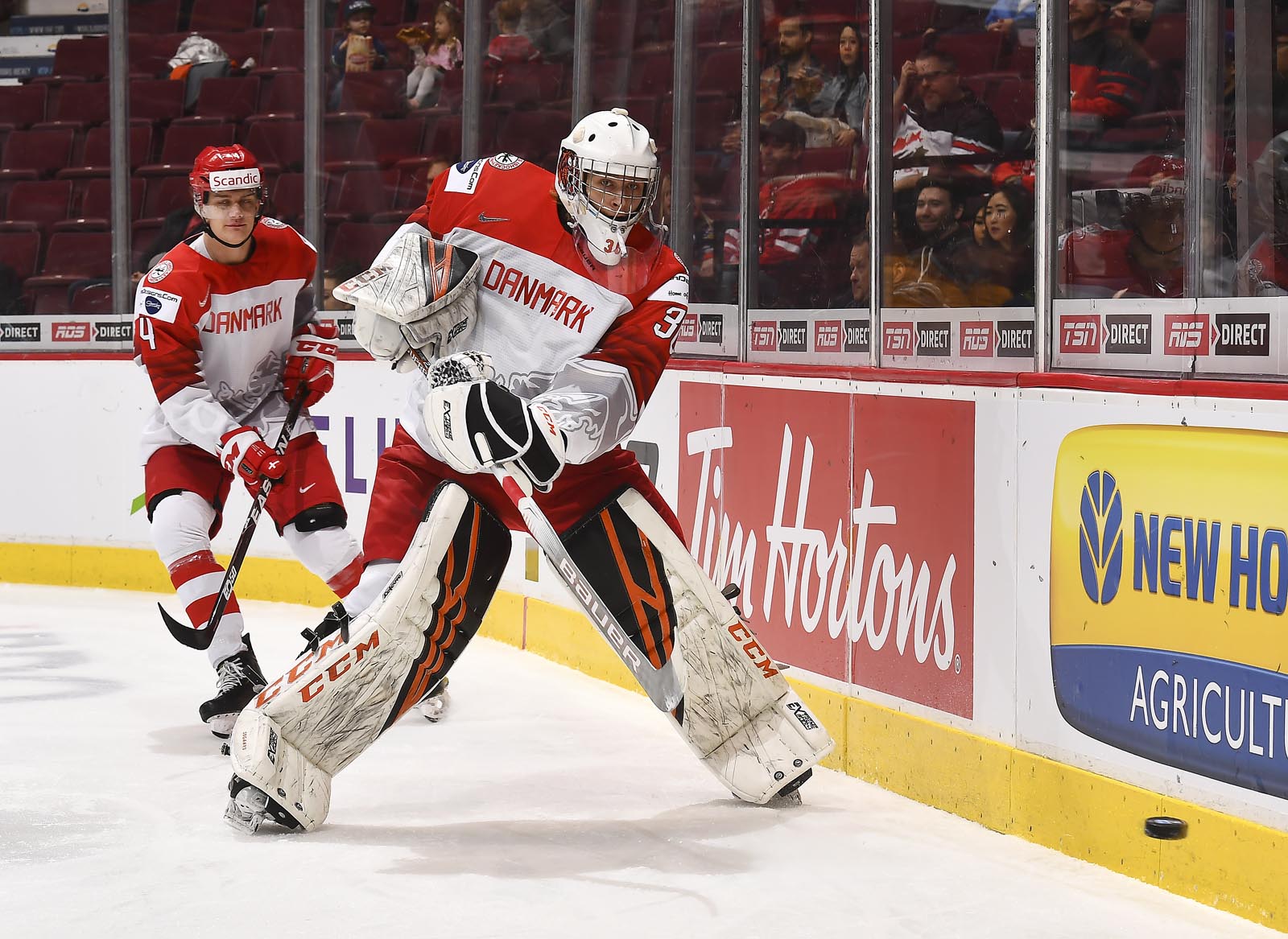 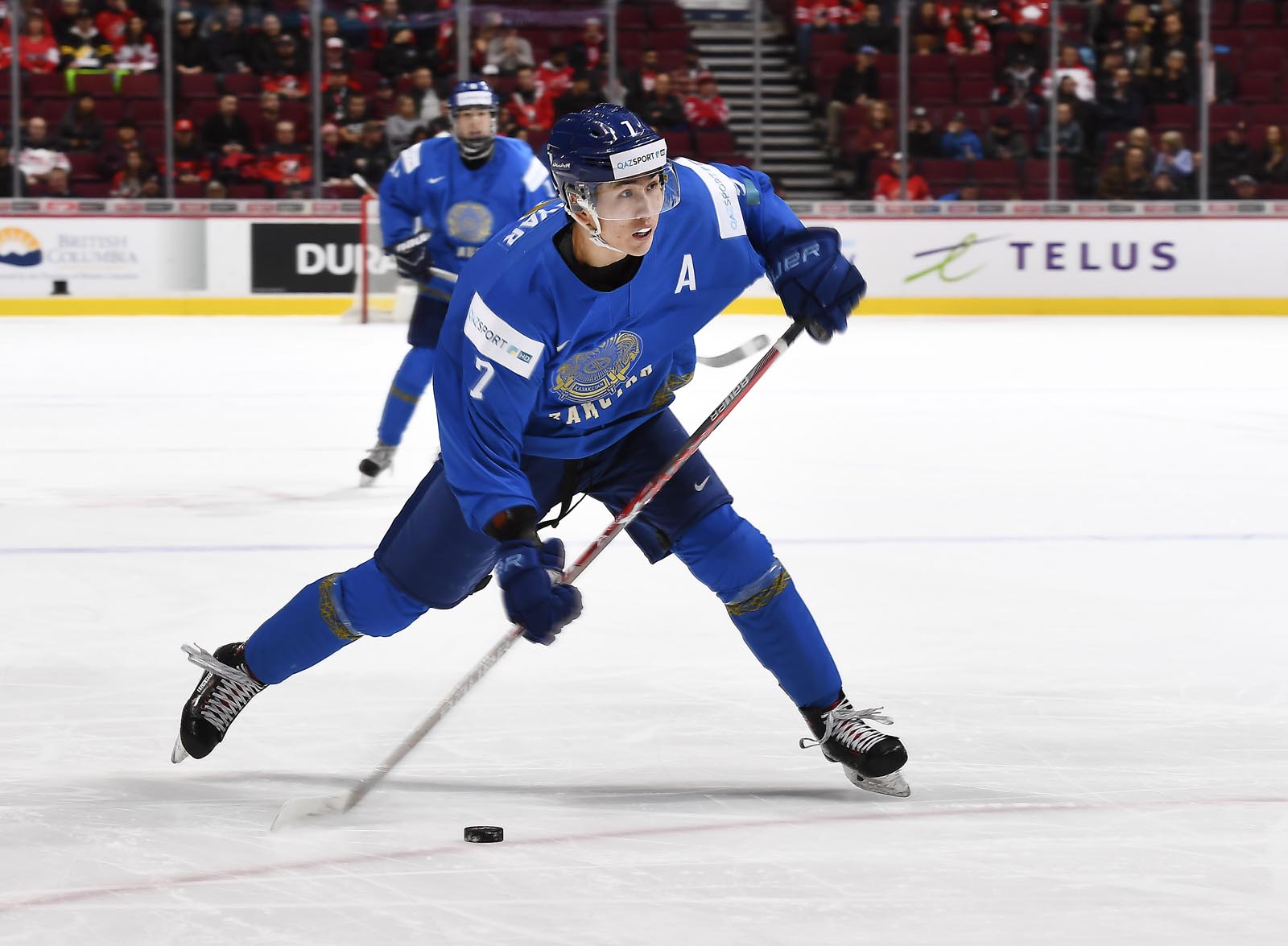 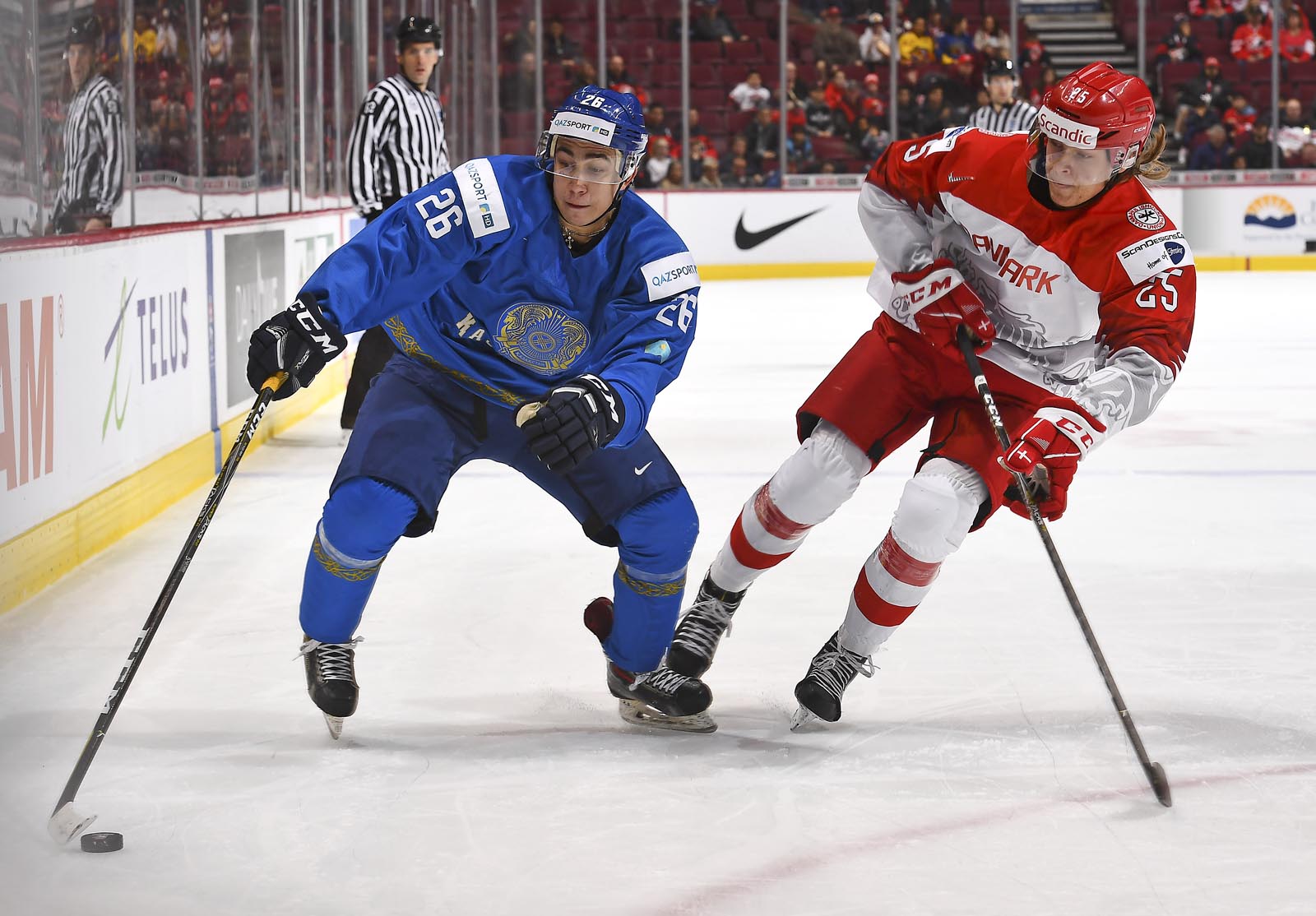 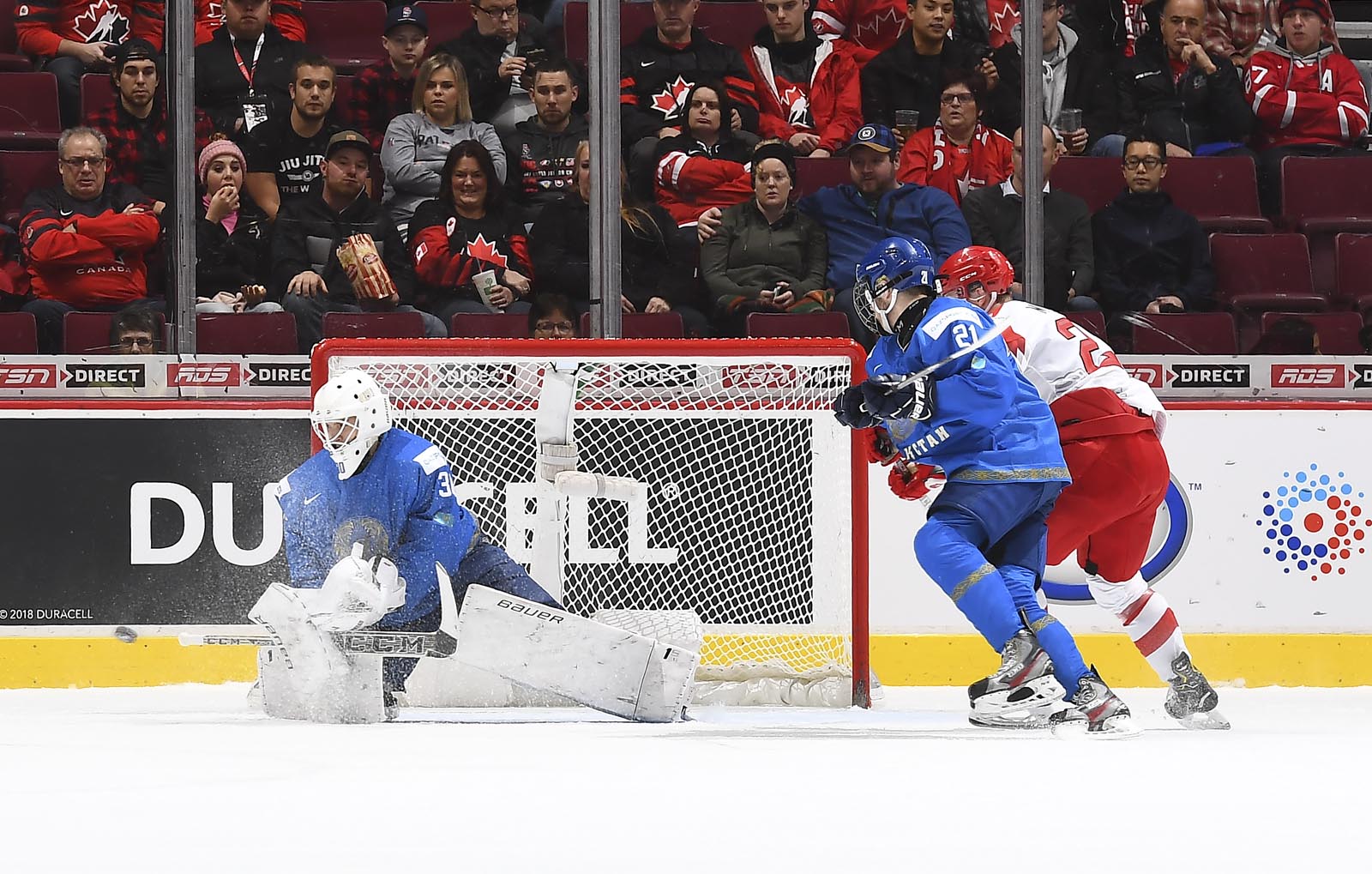 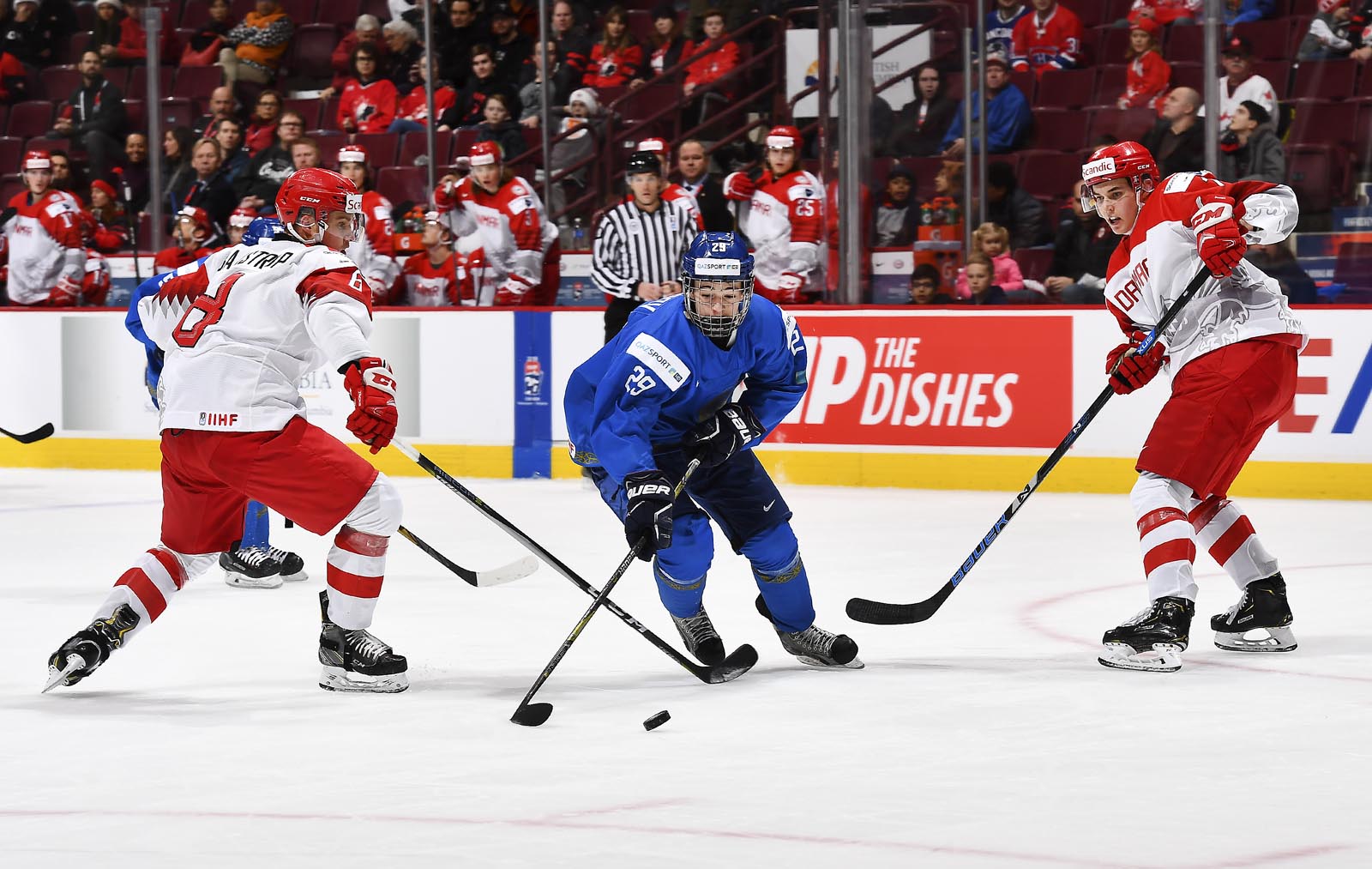 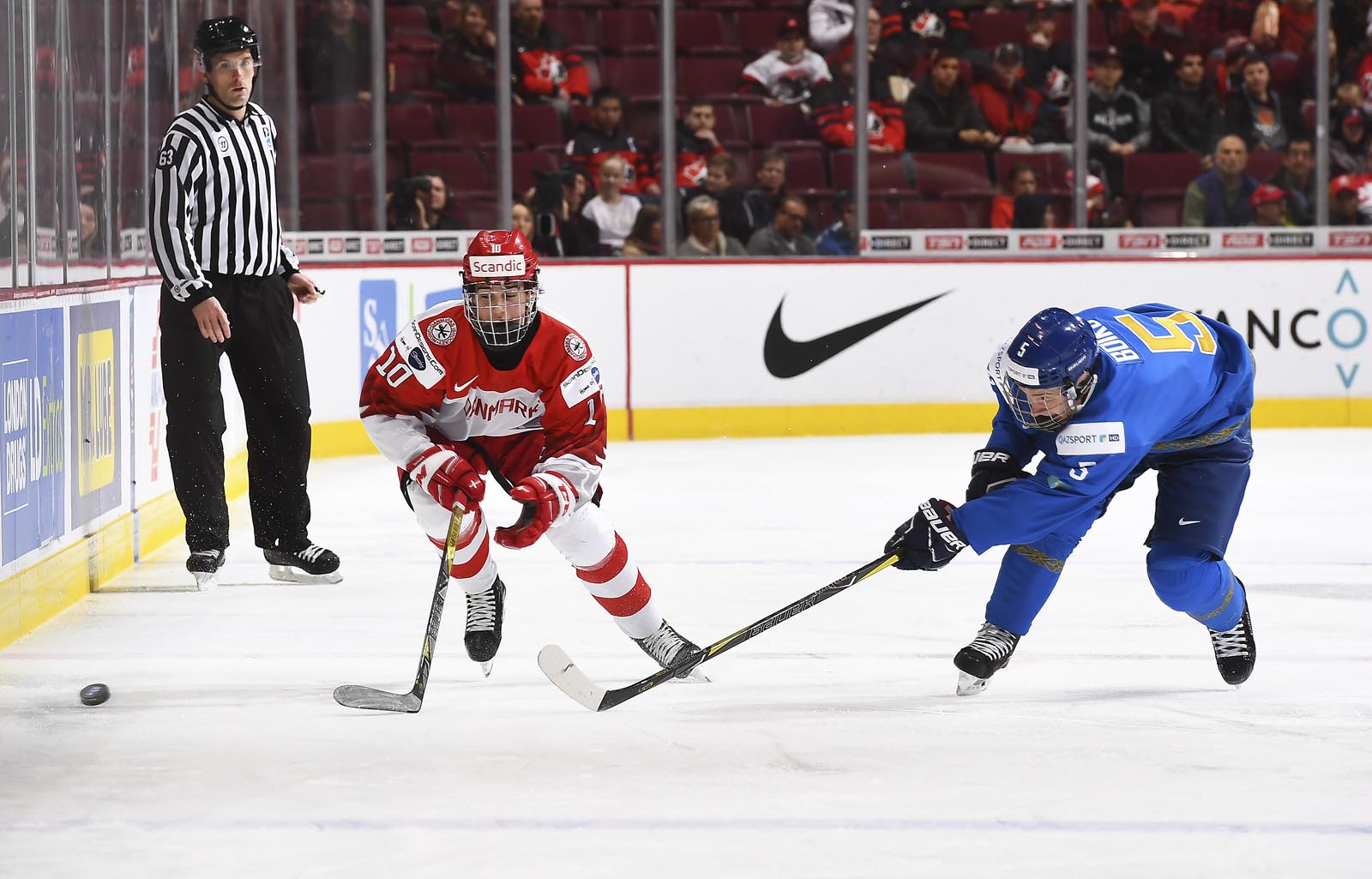 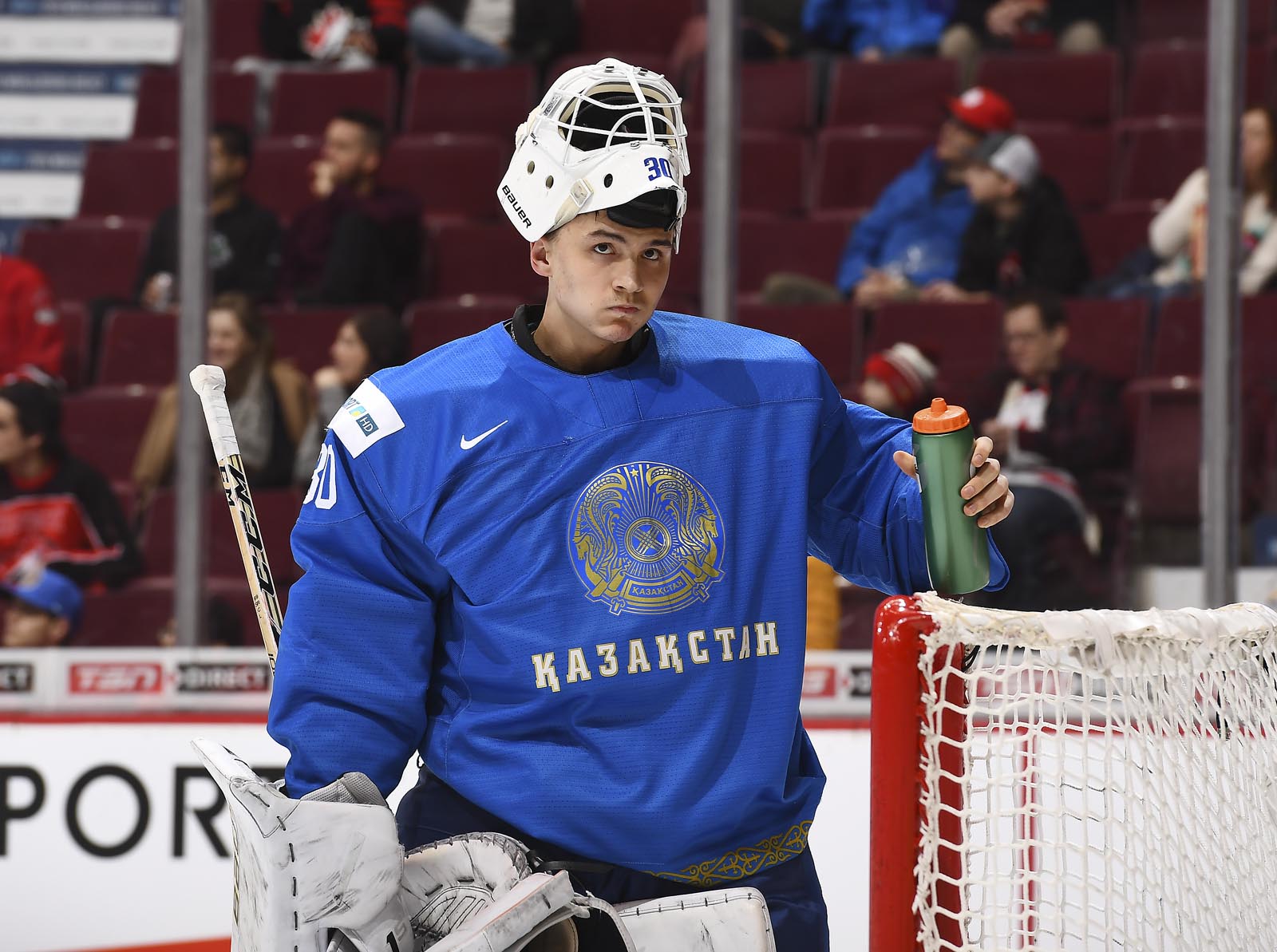 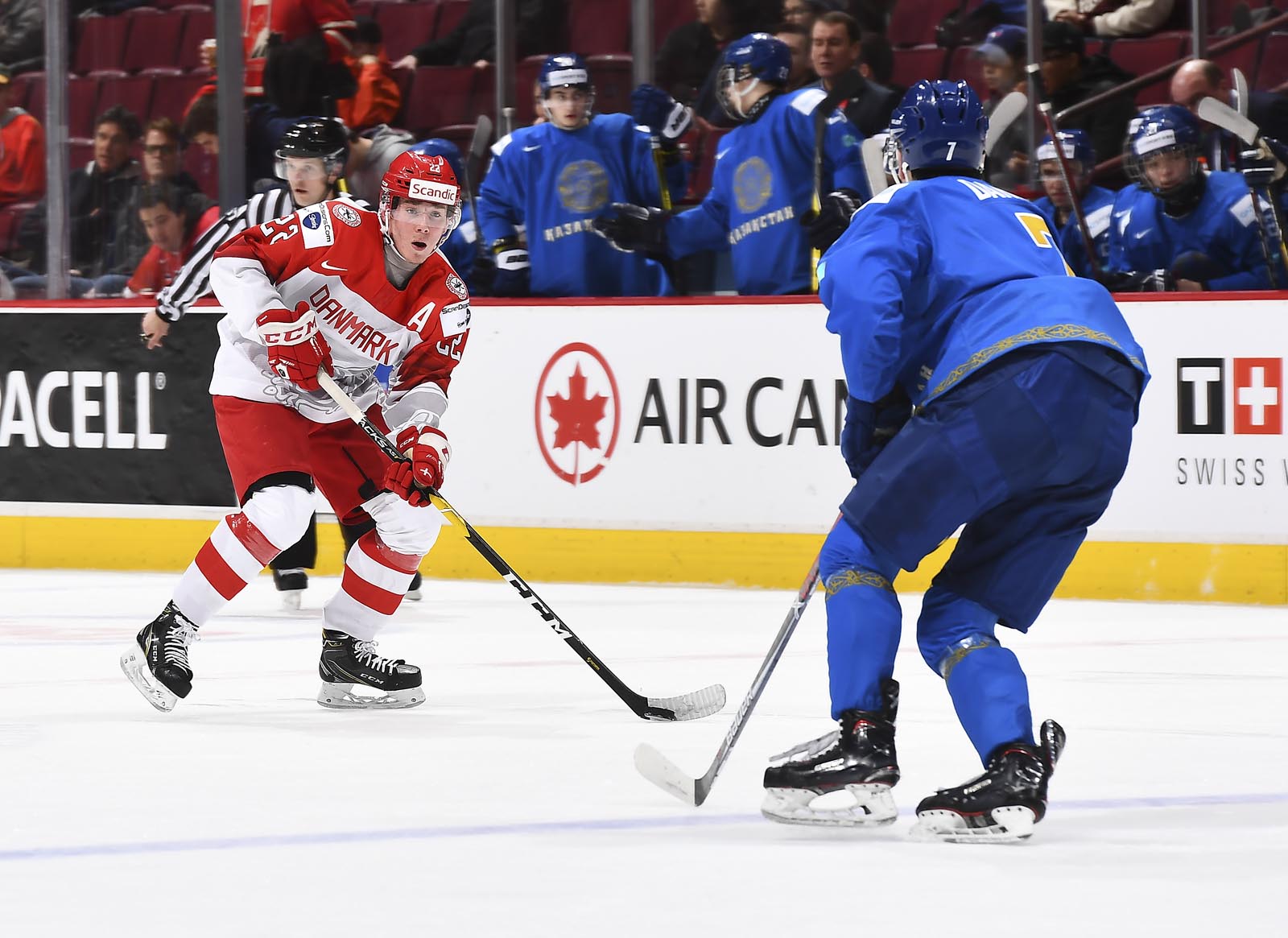 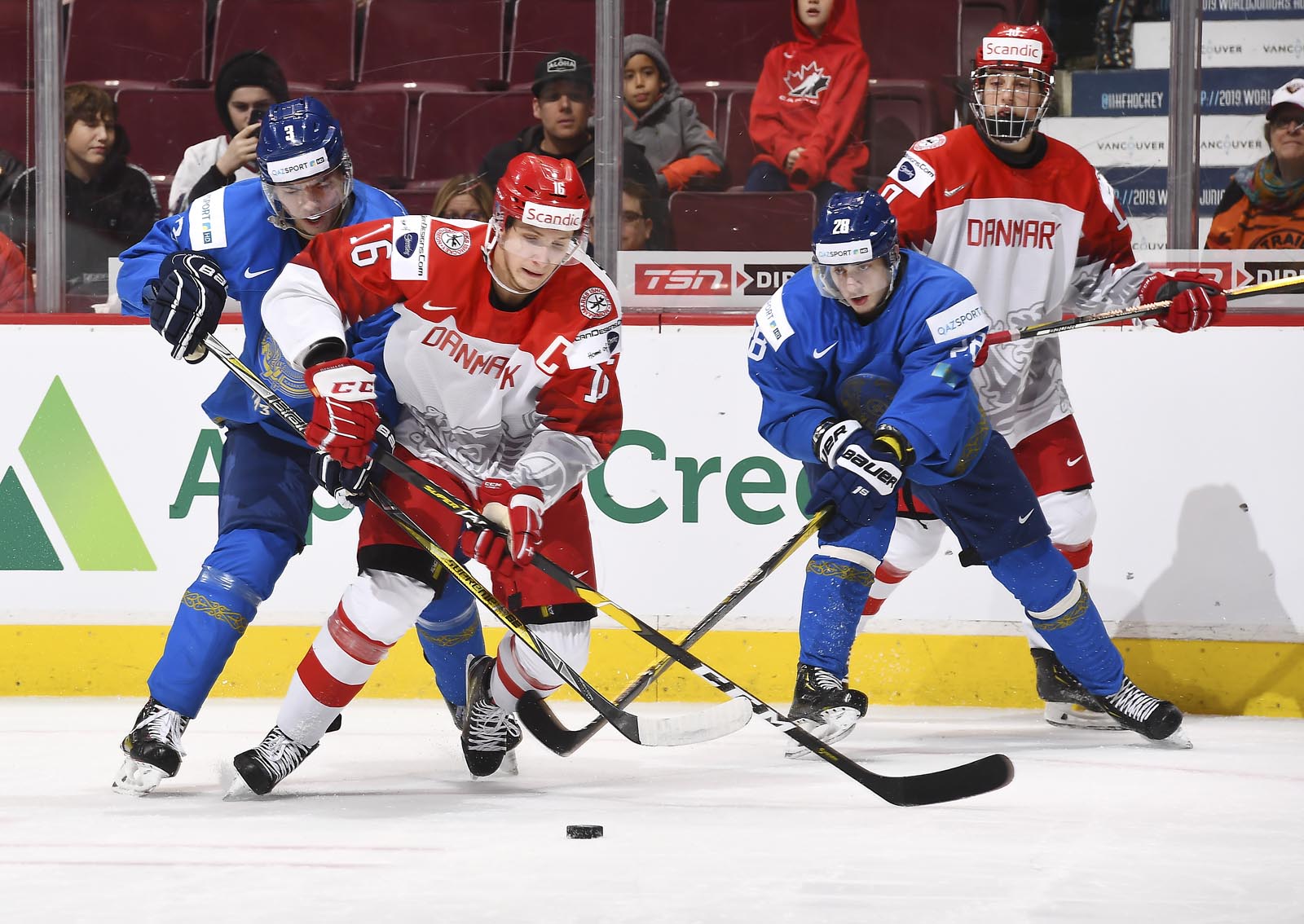 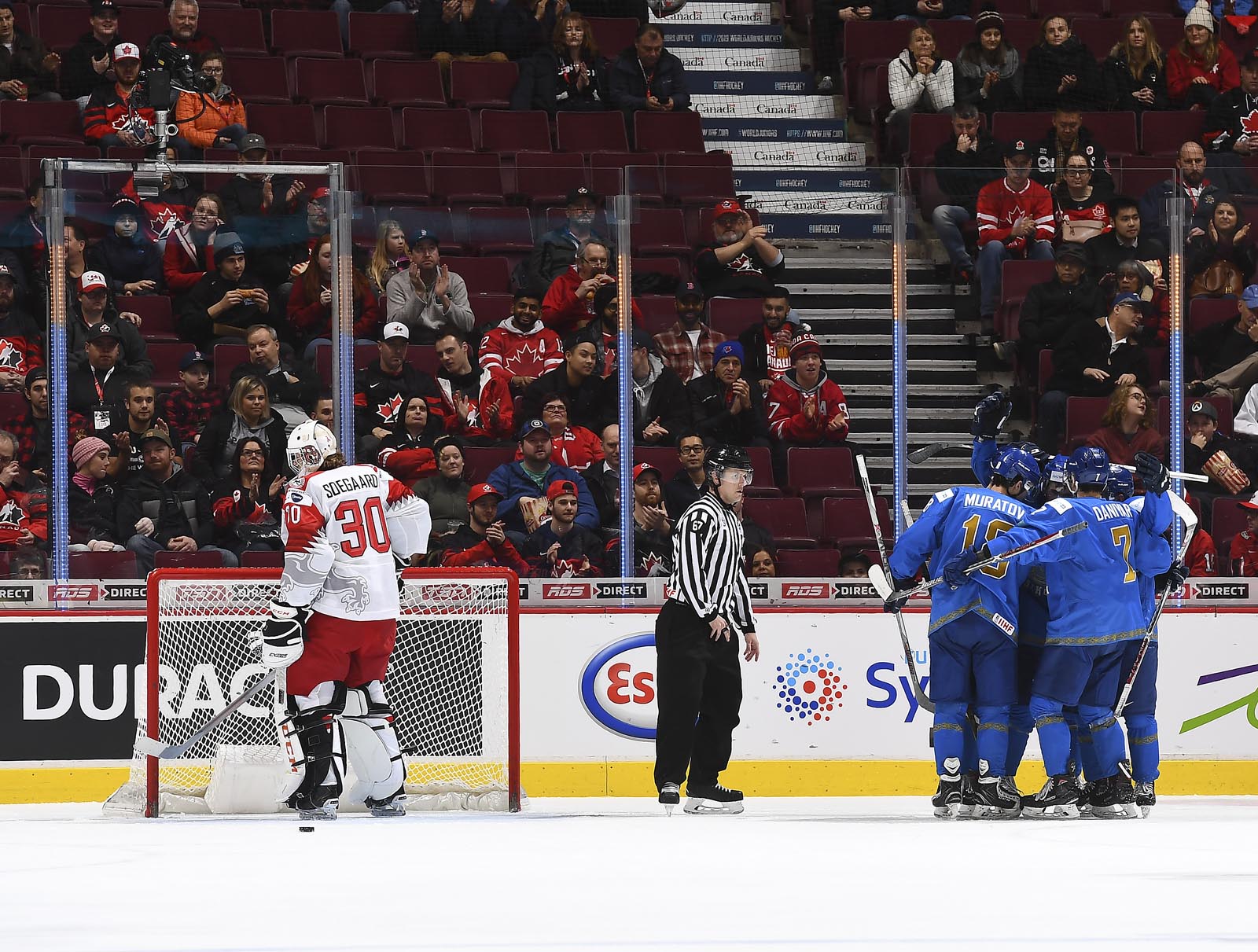 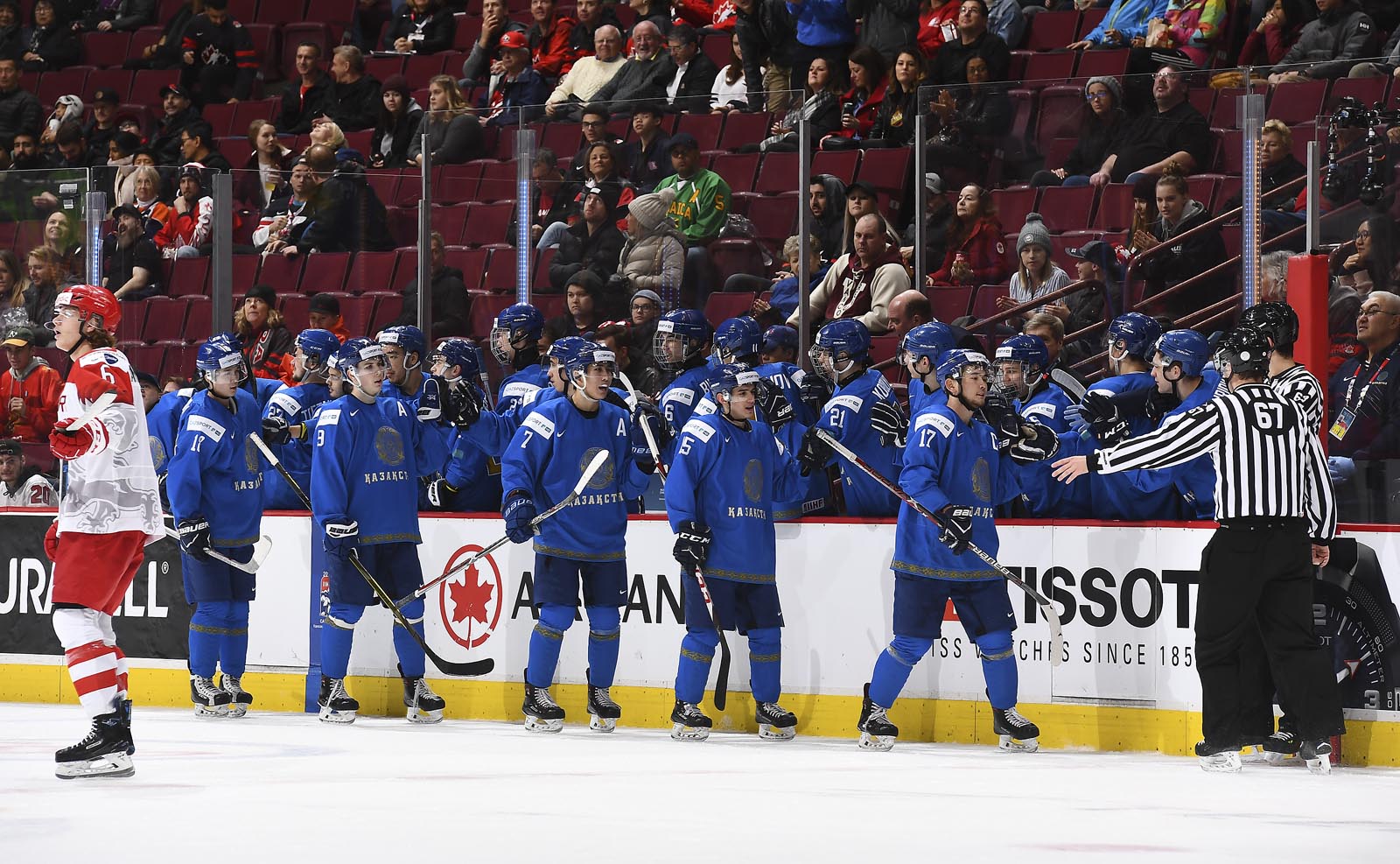 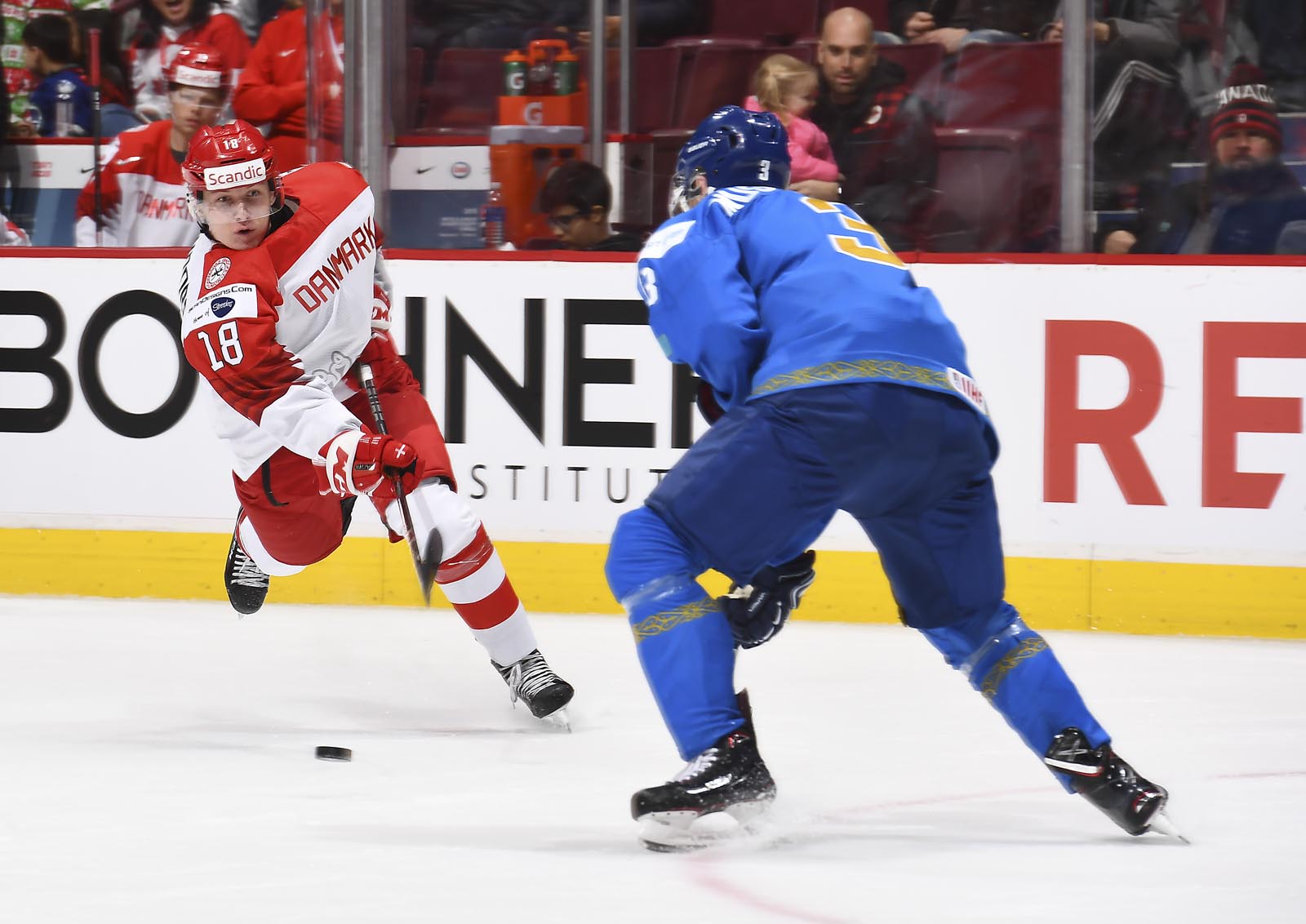 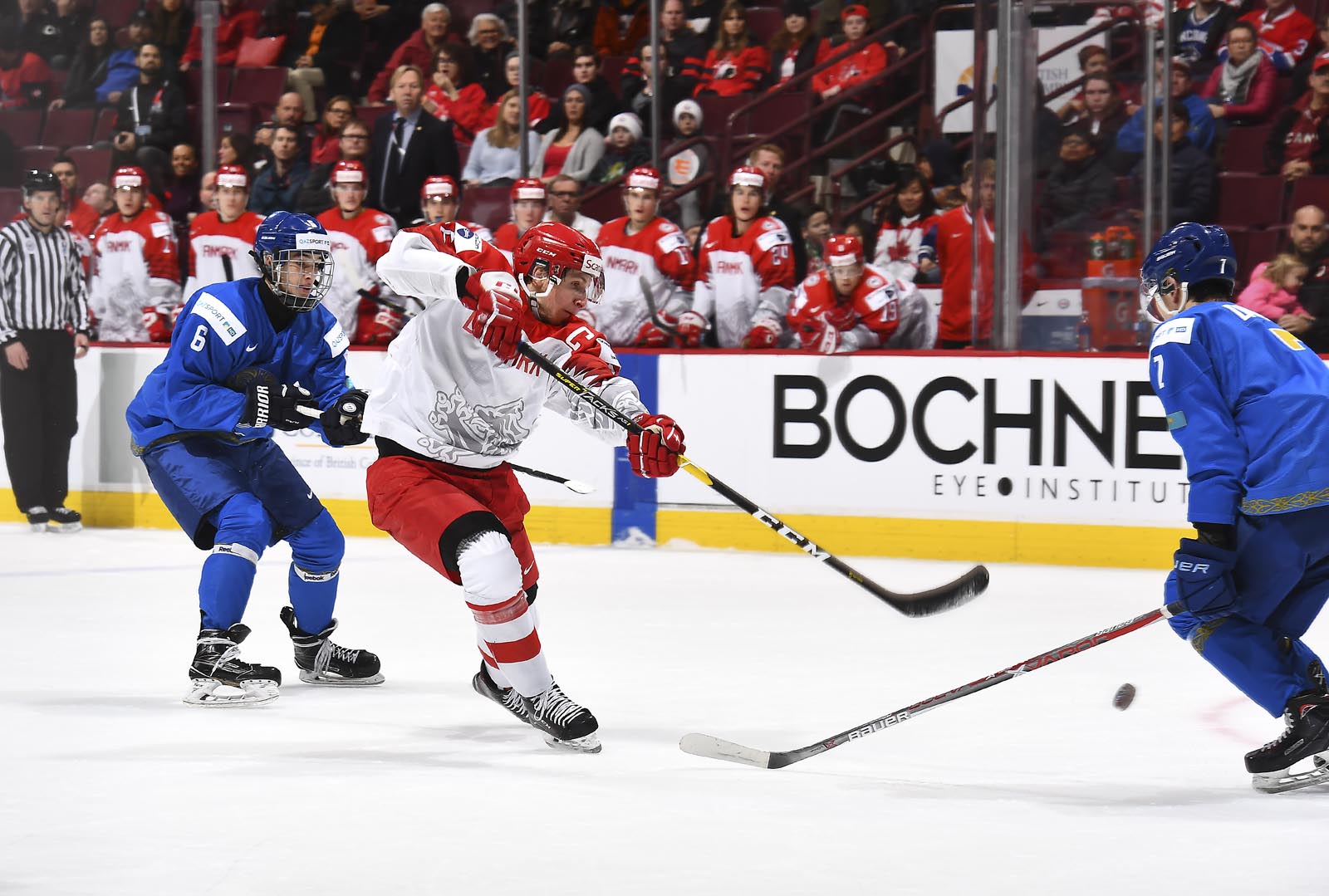 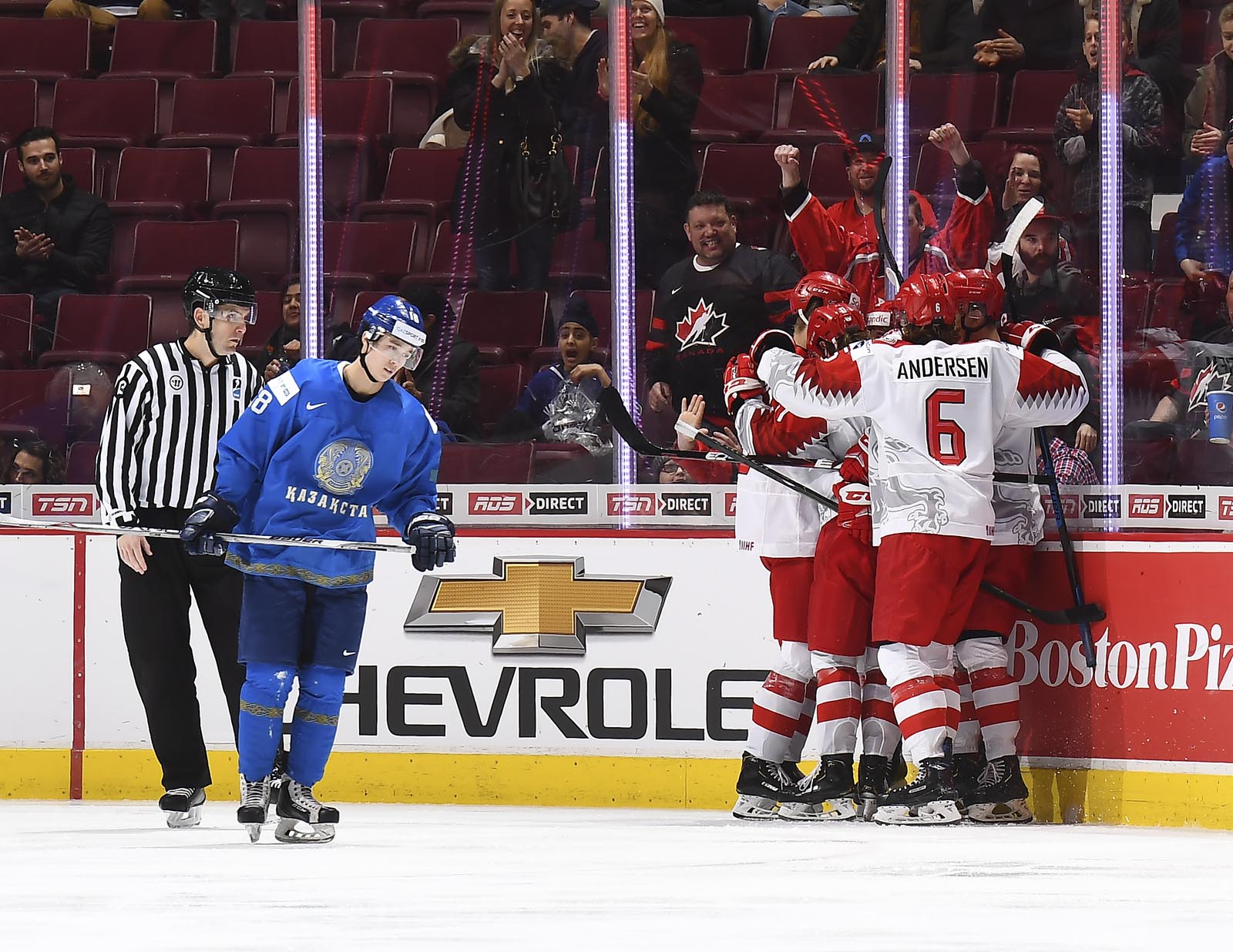 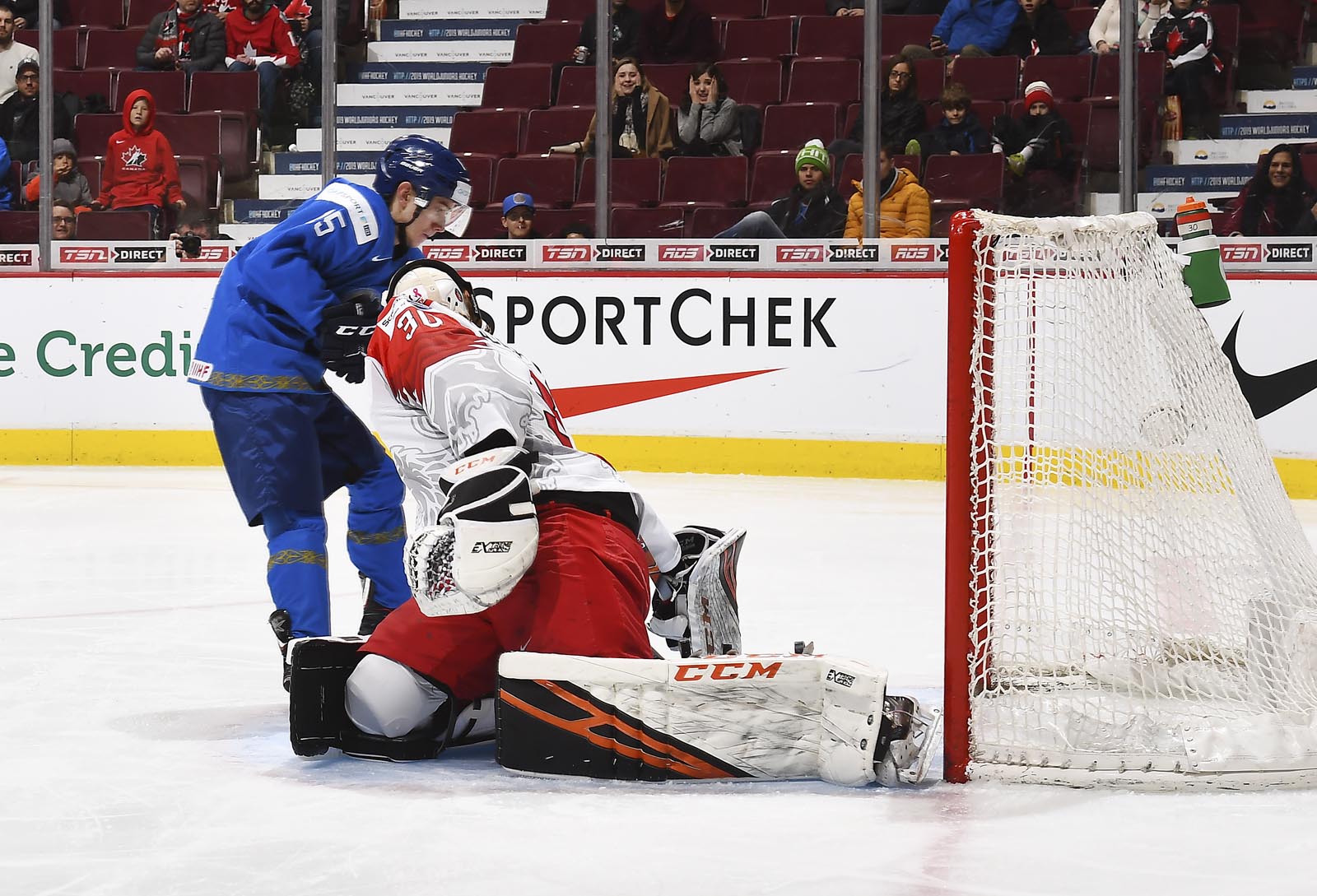 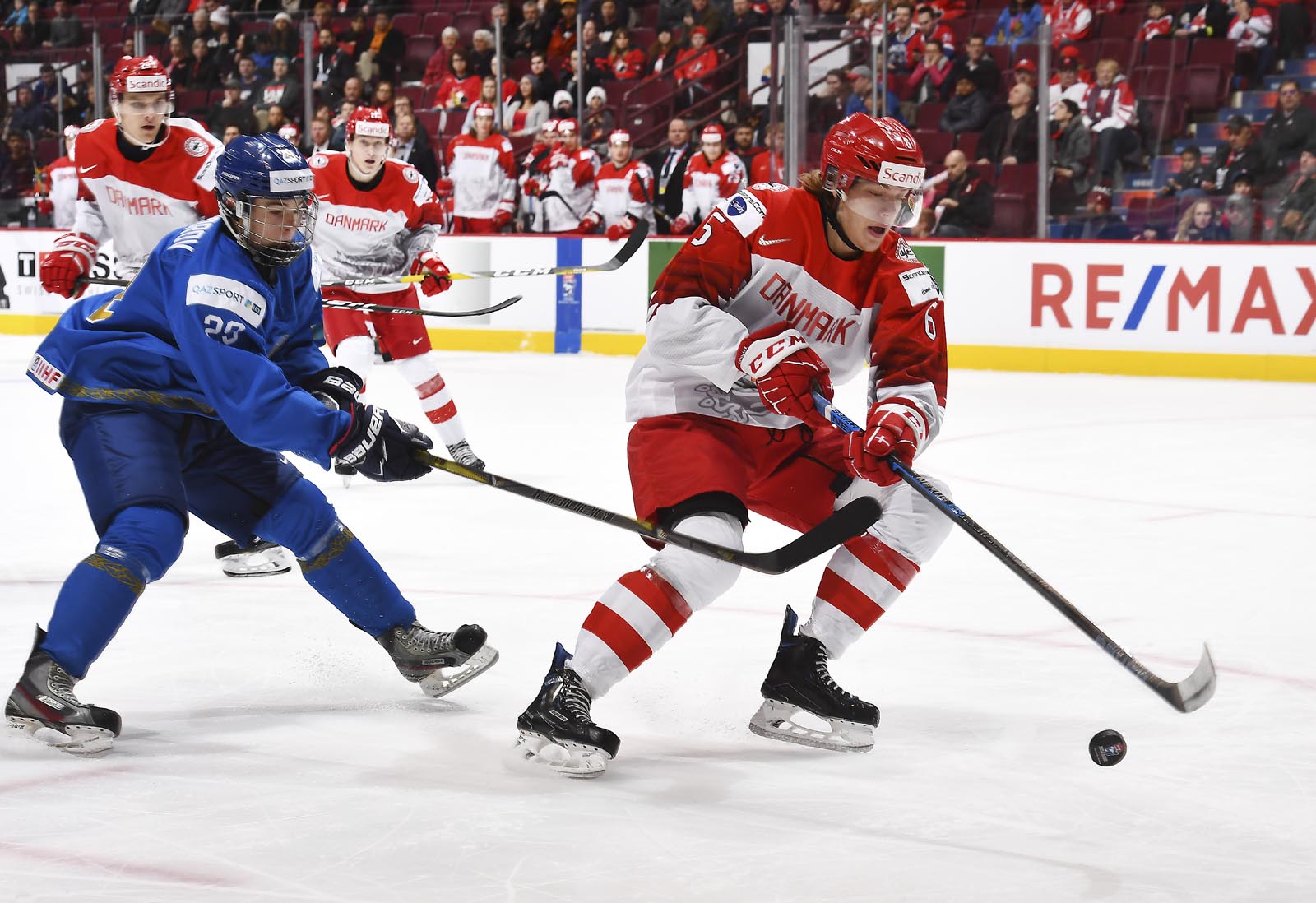 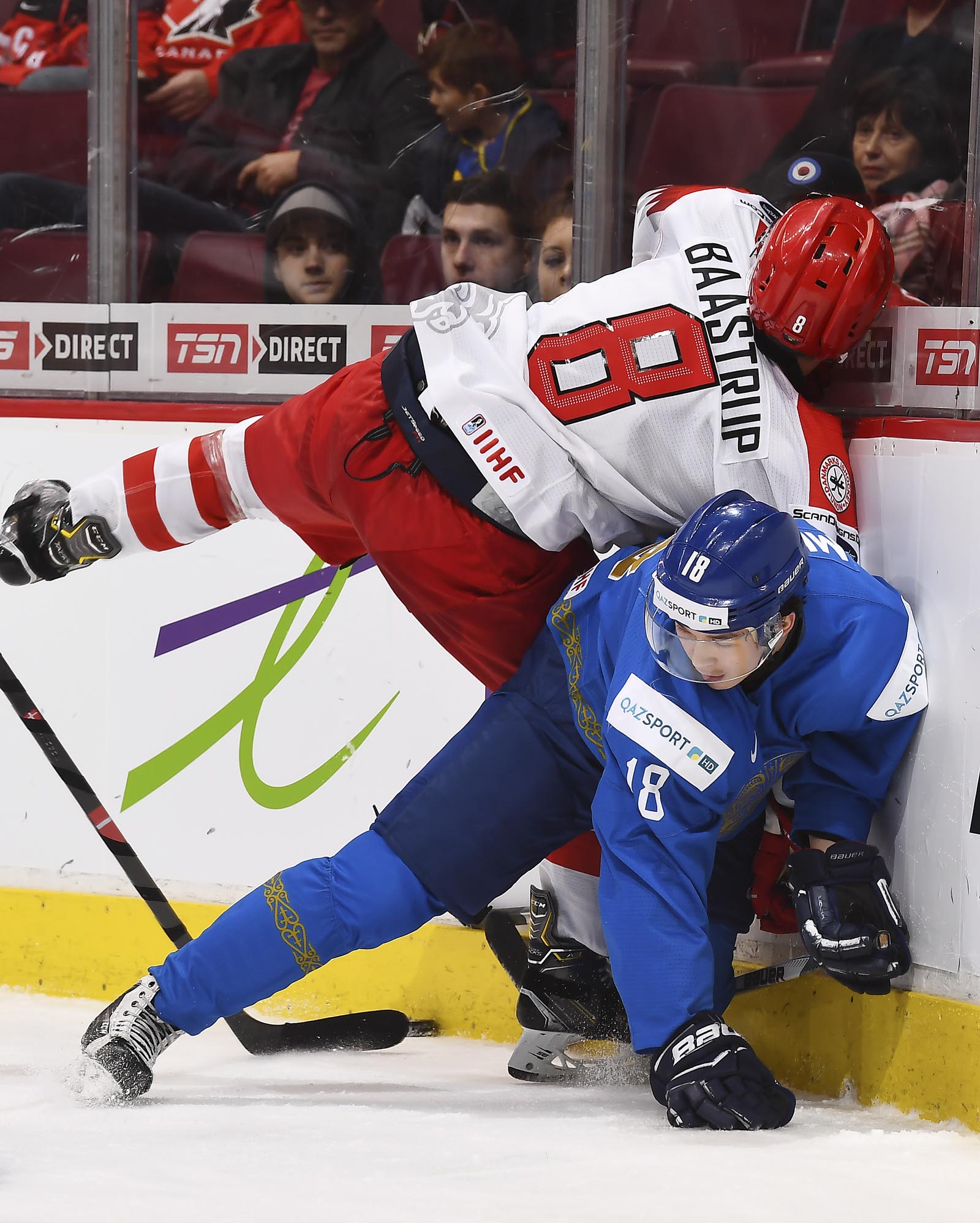 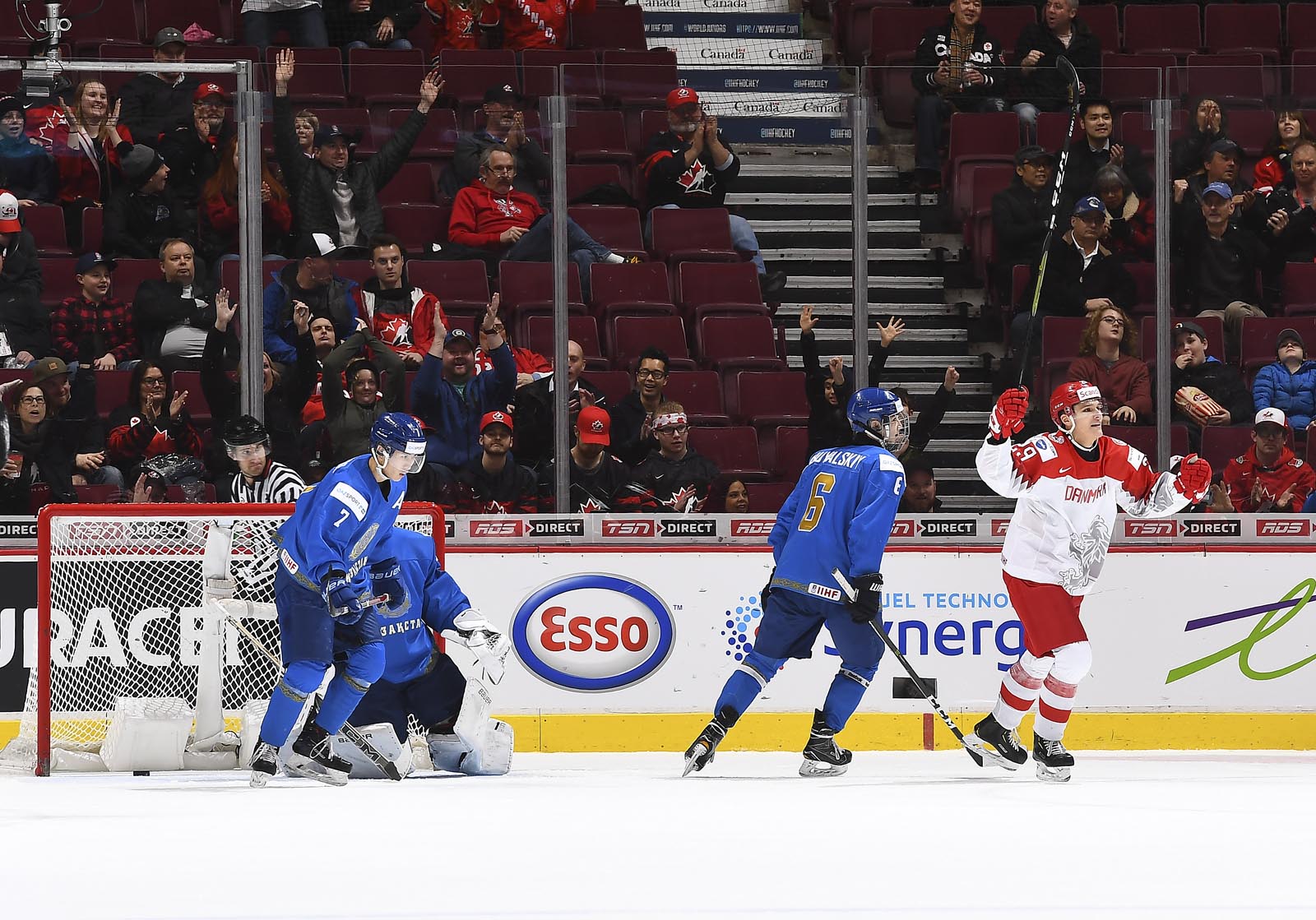 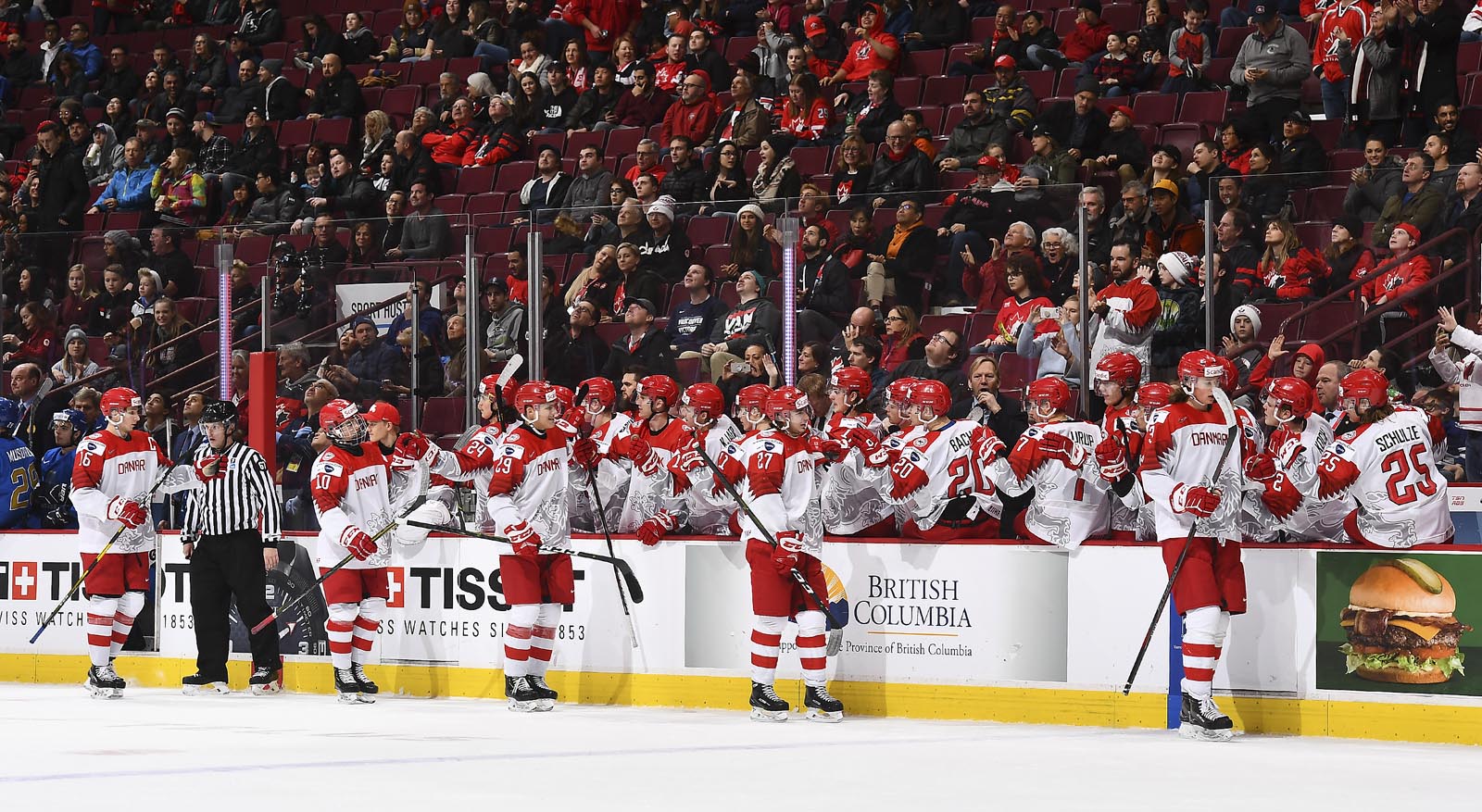 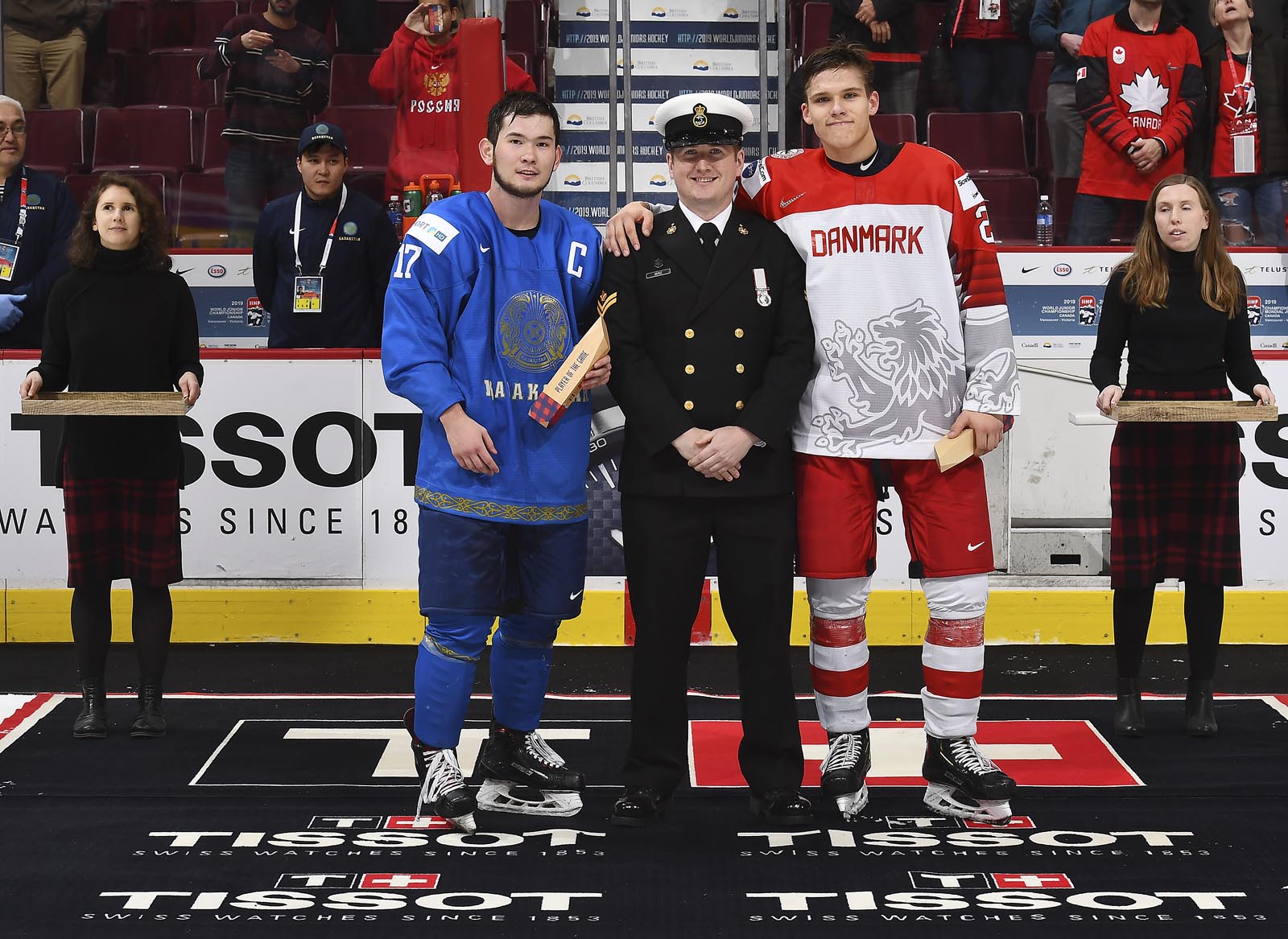 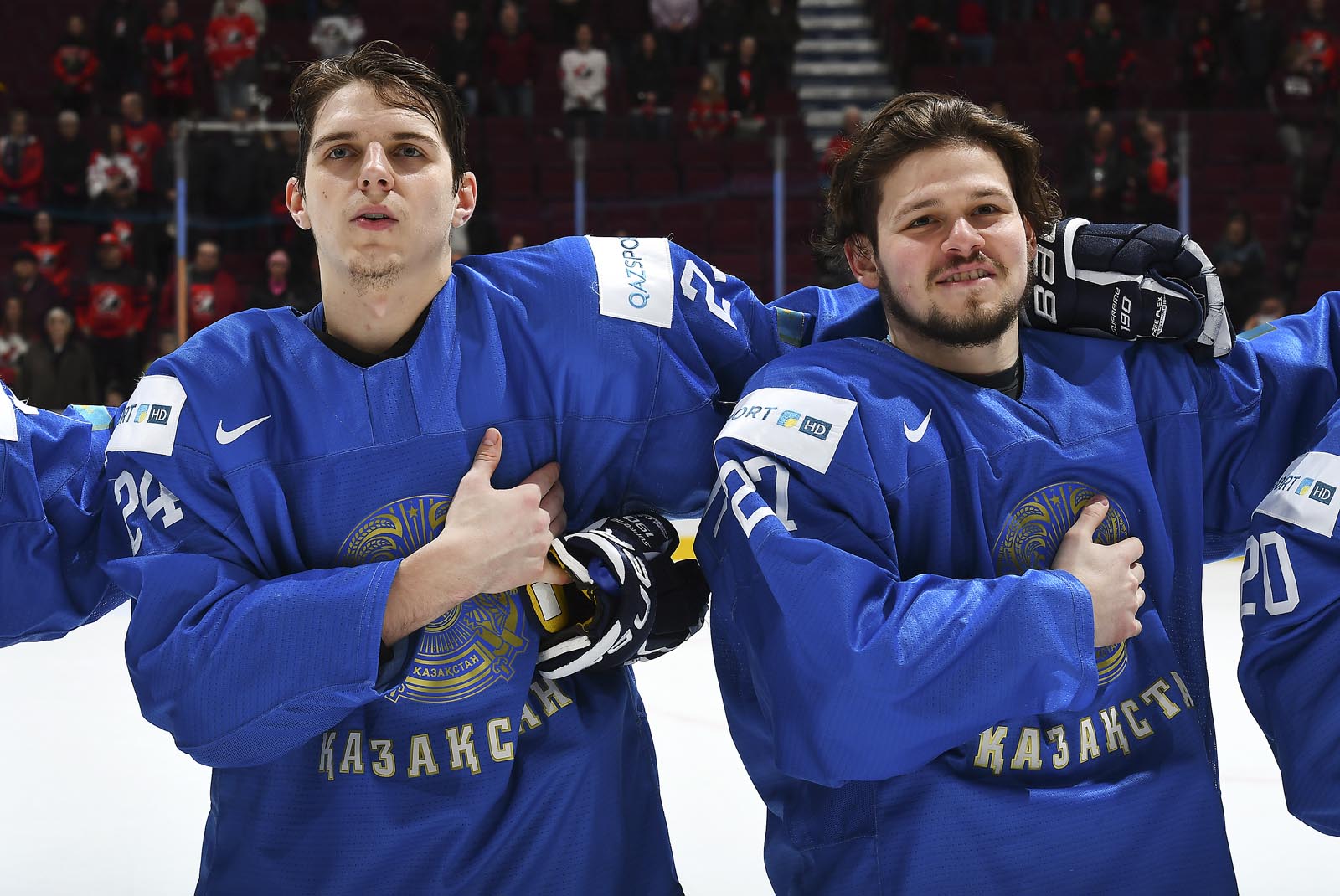 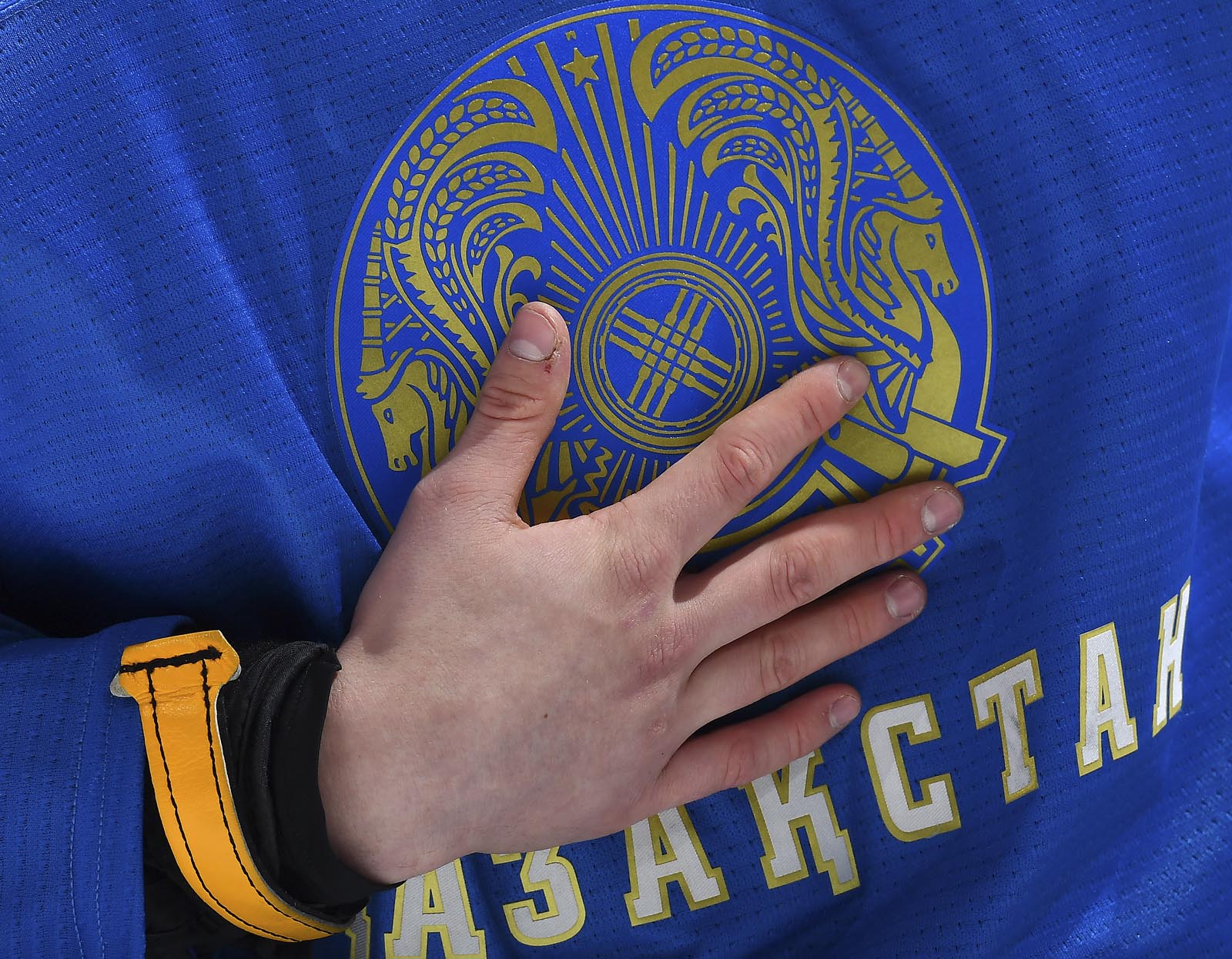