Korea comes back
The Korean players celebrate a goal. Four markers in the second period made the difference against Slovenia.
photo: Marat Akimzhanov
share
Korea also won its second game of the 2019 IIHF Ice Hockey World Championship Division I Group A and leads the standings with six points.

The Koreans fought back from a 3-1 first-period deficit. All five goals were scored by different players although the first line with the three Kims Kisung, Sangwook and Won Jun accounted for three of the goals.

“It was a great character win for our players to come back from 3-1. I really have to thank the players for doing a good job. They sacrificed their bodies. We fought through the nails with them,” Korea head coach Jim Paek said and is already looking forward to the next games. “It doesn’t get any easier, it will get harder and harder. We have to be prepared as the tournament goes on.”

Kisung Kim opened the scoring at 3:35 after a pass from behind the net from his brother Sangwook Kim but the Slovenes continued with a strong first period.

Four minutes later the Slovenes had their second power play with Chonghyun Lee in the penalty box for slashing and this time they capitalized on it. Matic Podlipnik beat a screened Matt Dalton in the Korean net from the blue line.

The game continued in Slovenia’s favour as the team went up for the first time on another man advantage three-and-a-half minutes later. Dalton made a pad save against Blaz Gregorc but Ken Ograjensek scored on the rebound.

The Slovenes put pressure on the Korean net and didn’t gave their opponent opportunities. At 16:03 Robert Sabolic ended a counter-attack after a horizontal pass from David Rodman to make it 3-1 for Slovenia.

“They came out hard in the first period. In the second period we exploded for a few goals. I knew there’s a couple of goals there, the first one and third one I kind of wanted to have back. I could have had a better effort on them. I wanted to make sure to give the team a chance especially when we started scoring and shut the door. Today it went our way. We’re pretty fortunate,” said Dalton, who made 41 saves in the Korean net.
World Men
Korea vs. Slovenia - 2019 IIHF Ice Hockey World Championship Division I Group A
Second win for Korea thanks to four second-period goals, second loss for Slovenia. Watch the highlights from Korea's 5-3 win here.
KOR SLO 30 APR 2019
Korea had for the first time to fight back and became more active in the second period. At 7:40 Won Jun Kim scored when the defenceman sent off a strong shot from behind the right face-off circle to beat Matija Pintaric high.

One-and-a-half minutes later the Koreans put big pressure on the Slovenian net when Aleksandar Magovac had to serve a penalty for hooking. At 9:32 Pintaric made saves on shots from Sangwook and Kisung Kim but third time was the charm for Korea when Sangwook Kim scored on another rebound.

And as if this were not enough, the Koreans scored the 4-3 lead just 36 seconds later with Hyunsoo Kim’s shot from the blueline.

“I think we had a good start. We were leading 3-1 and then the second period was really bad from our side. I don’t know why that happened again. We had the same story yesterday in the first period,” Slovenian defenceman Matic Podlipnik said. “But it’s not over. We have three games left and we will do everything to reach our goals.”

Slovenia still had 30 minutes to tie the game again and put especially in the third period strong pressure on the Korean net. However, Dalton didn’t allow another goal despite 20 shots in the last period. Sanghoon Shin made it 5-3 with a shot into the empty net in the last minute.

Both teams will have a day off tomorrow. Slovenia will have to regroup to keep slim hopes of promotion alive while Korea’s path very much resembles the one two years ago when they surprised their opponents with win after win to earn promotion.

“We got a lot different team. If everyone is pulling on the rope at the same time, it’s amazing what you can accomplish,” Dalton said. “We saw that two years ago. In this tournament the pool is very difficult but we’re off to a good start and anything can happen.”
Korea vs. Slovenia - 2019 IIHF Ice Hockey World Championship Division I Group A 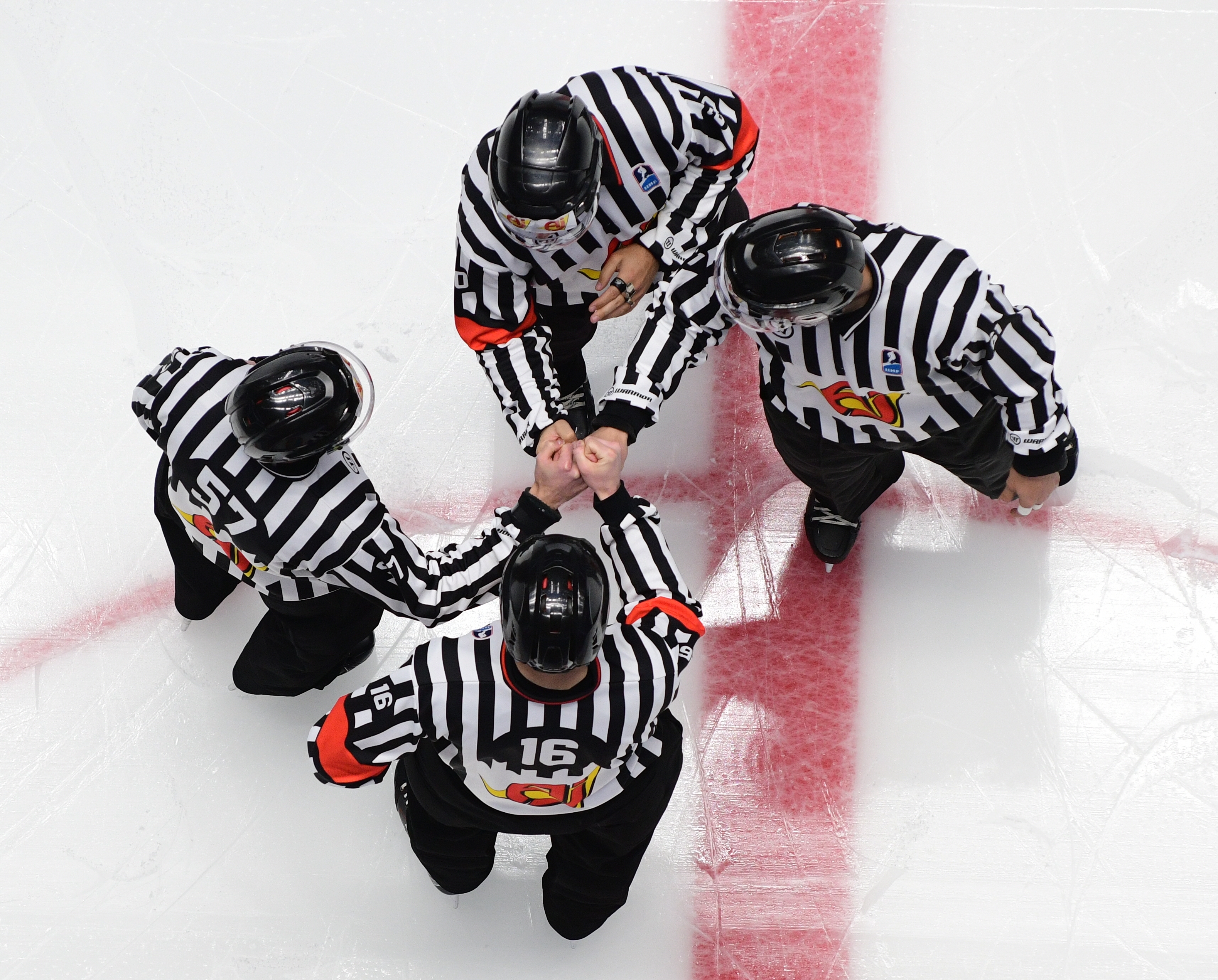 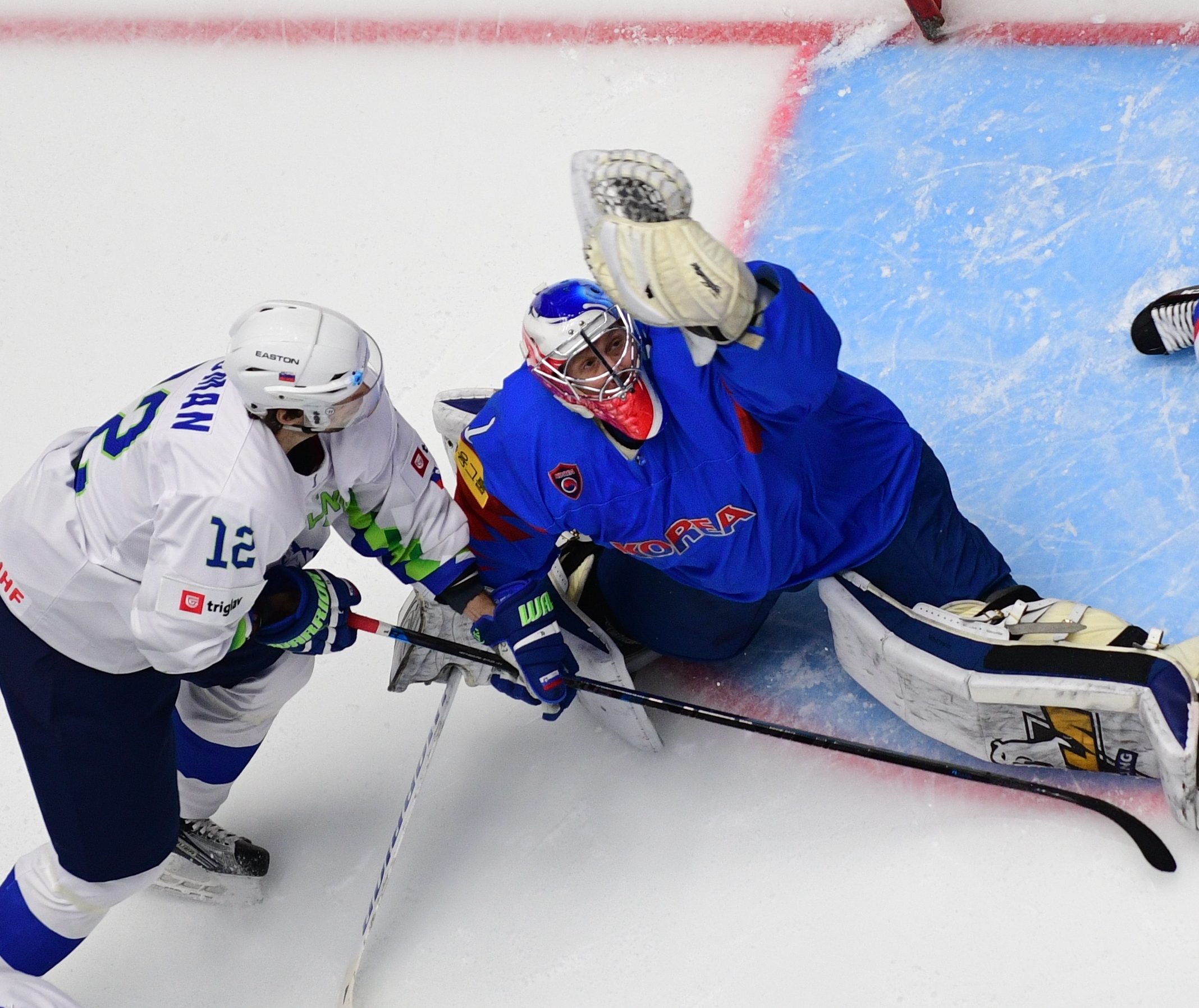 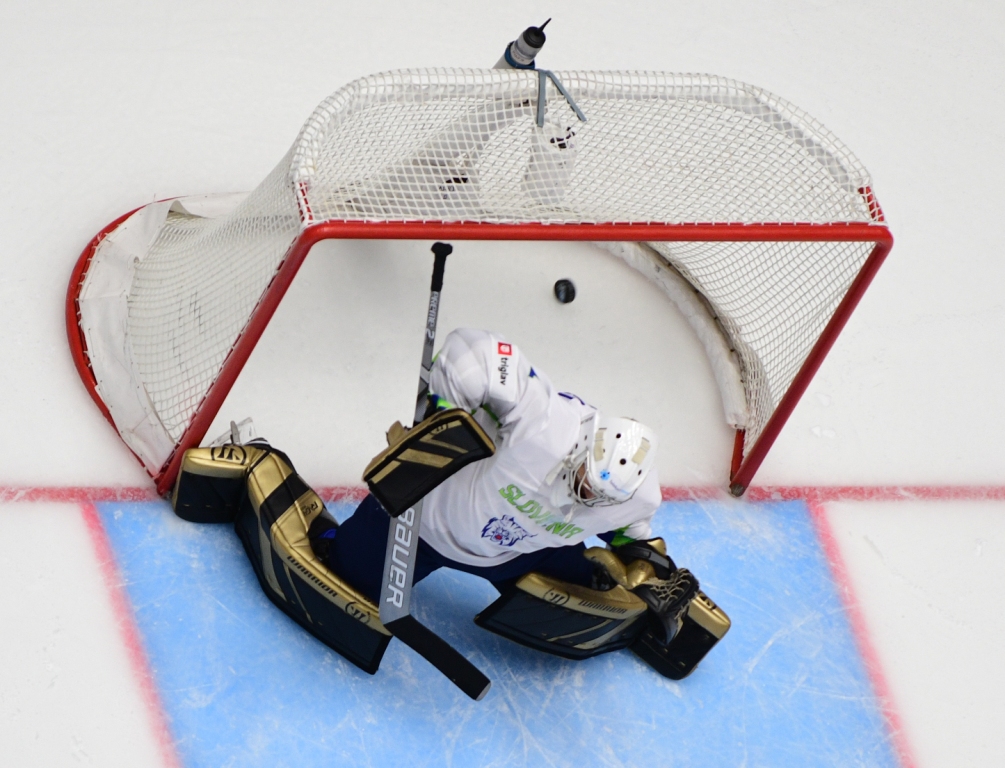 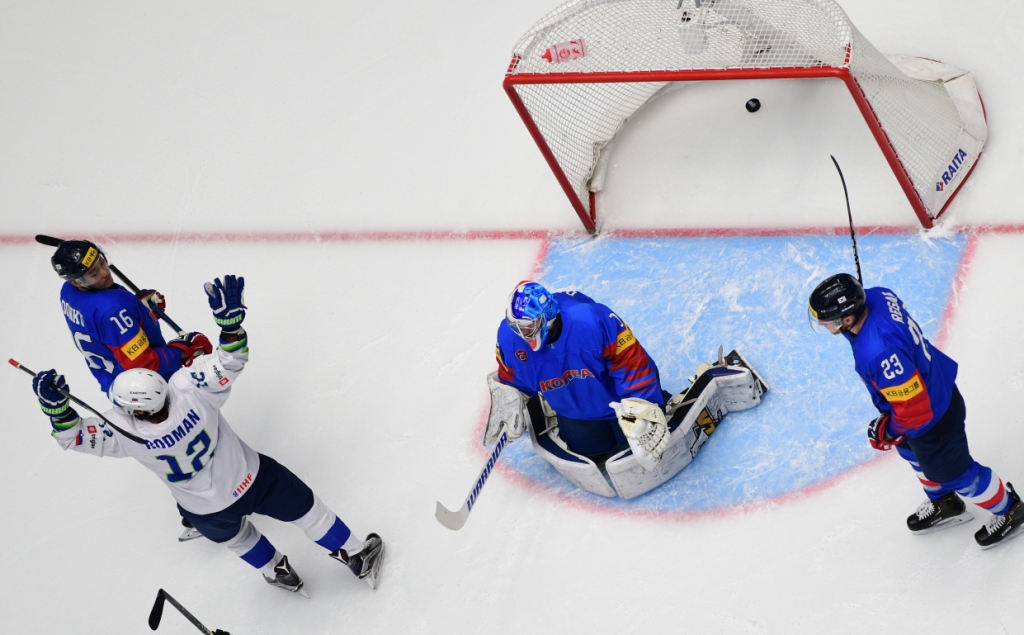 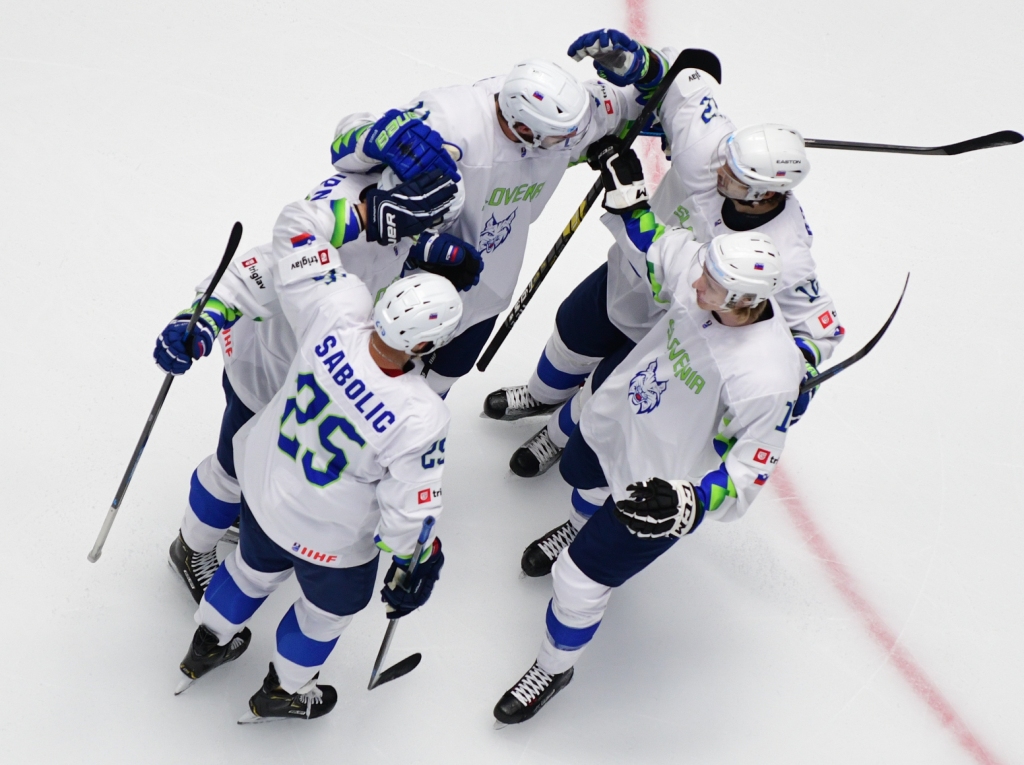 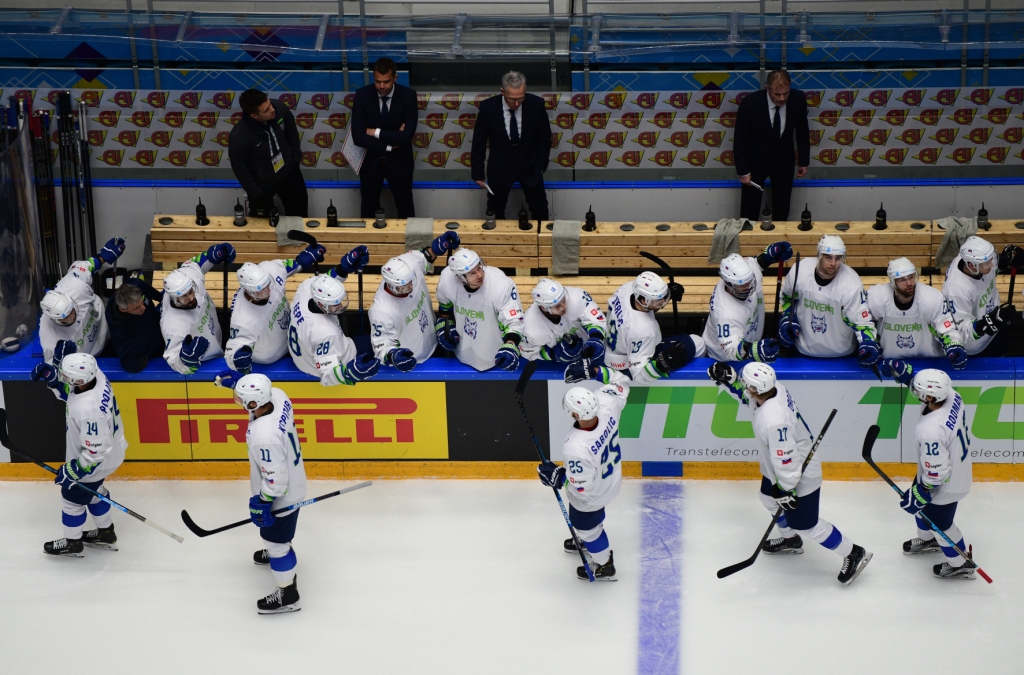 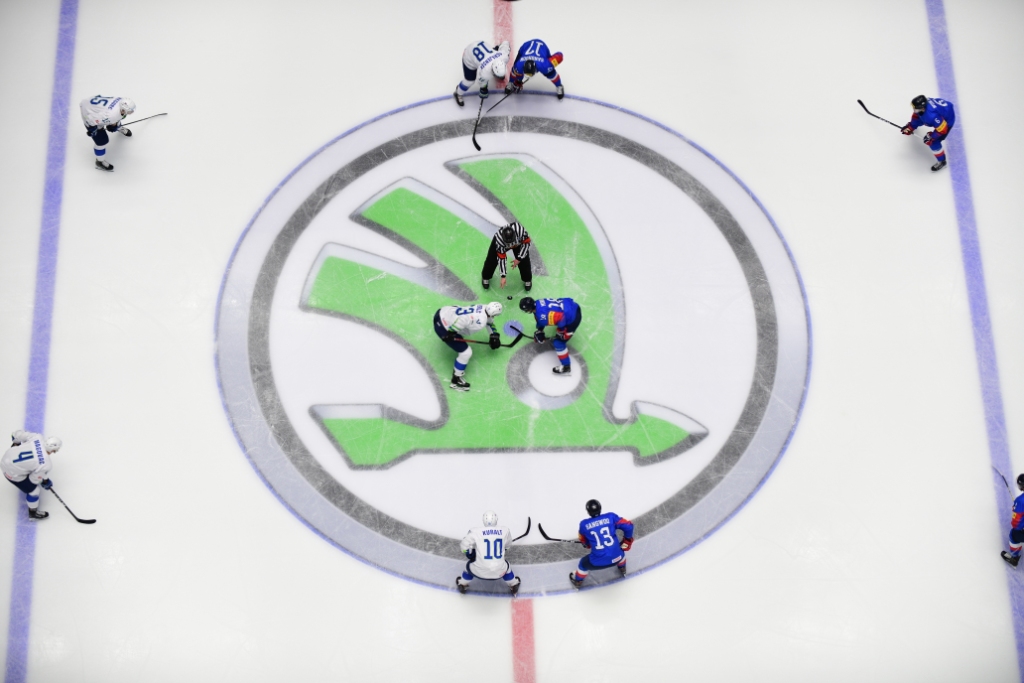 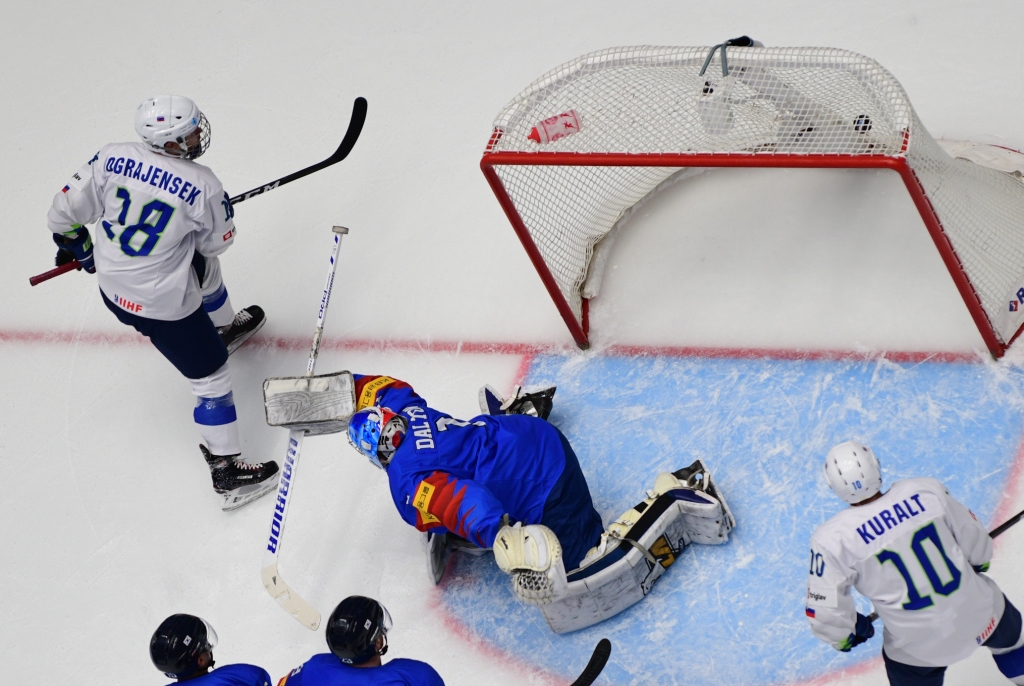 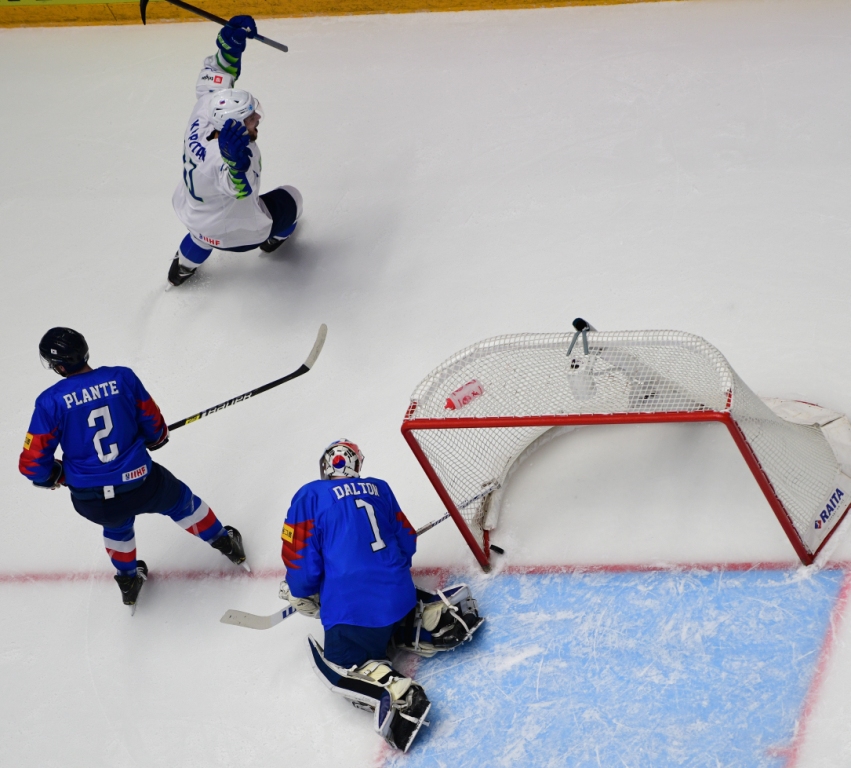 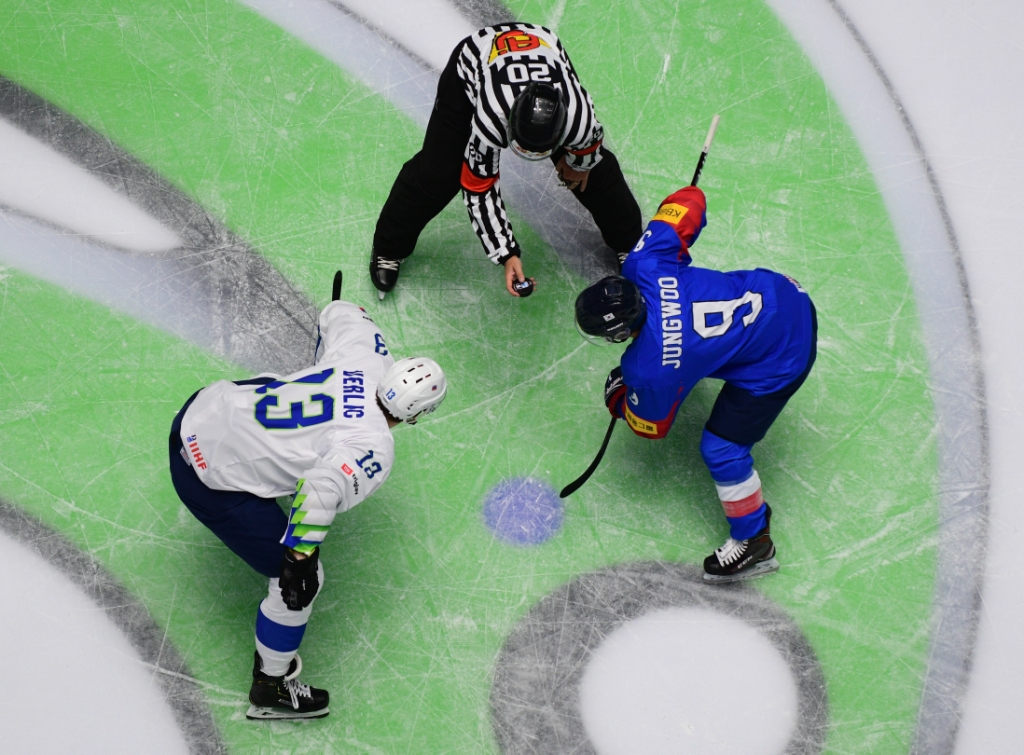 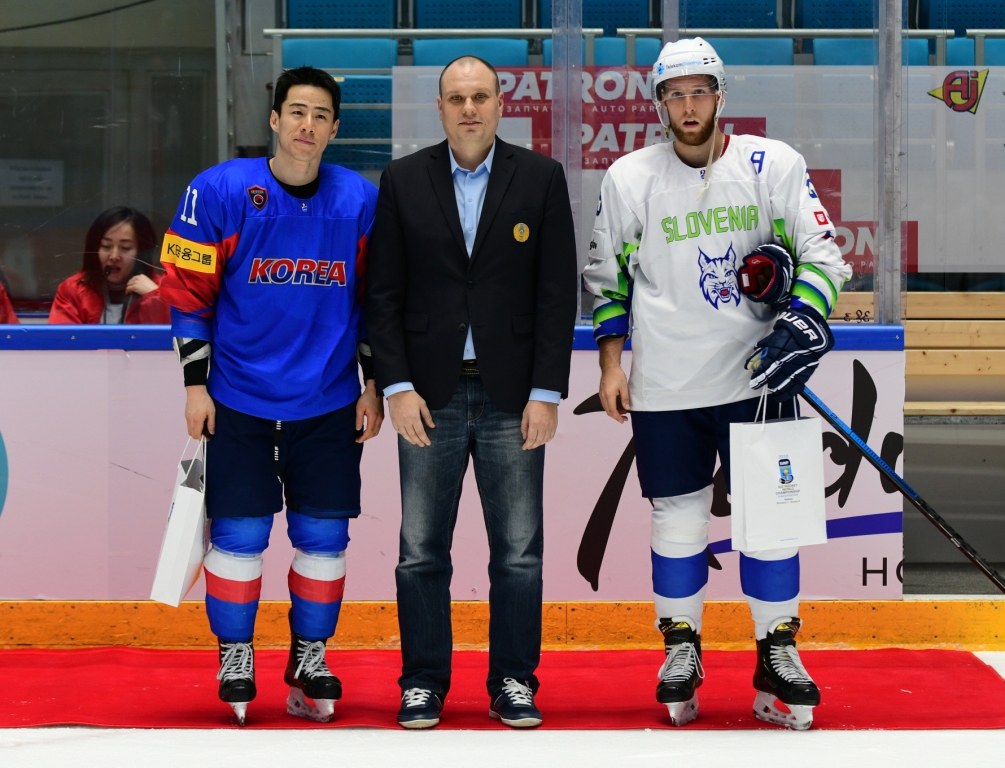 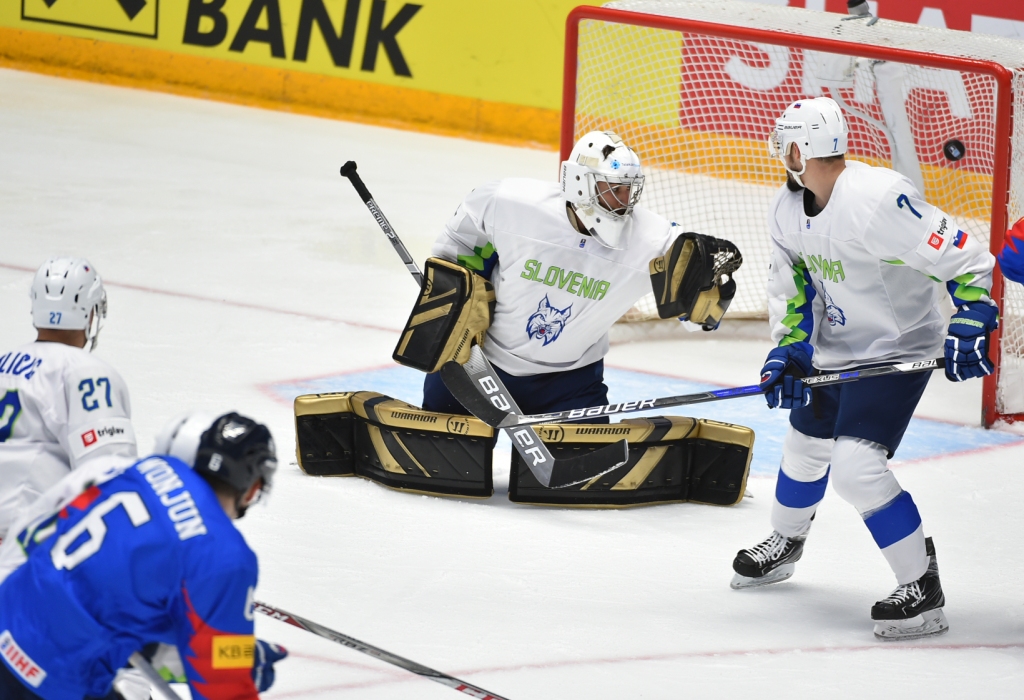 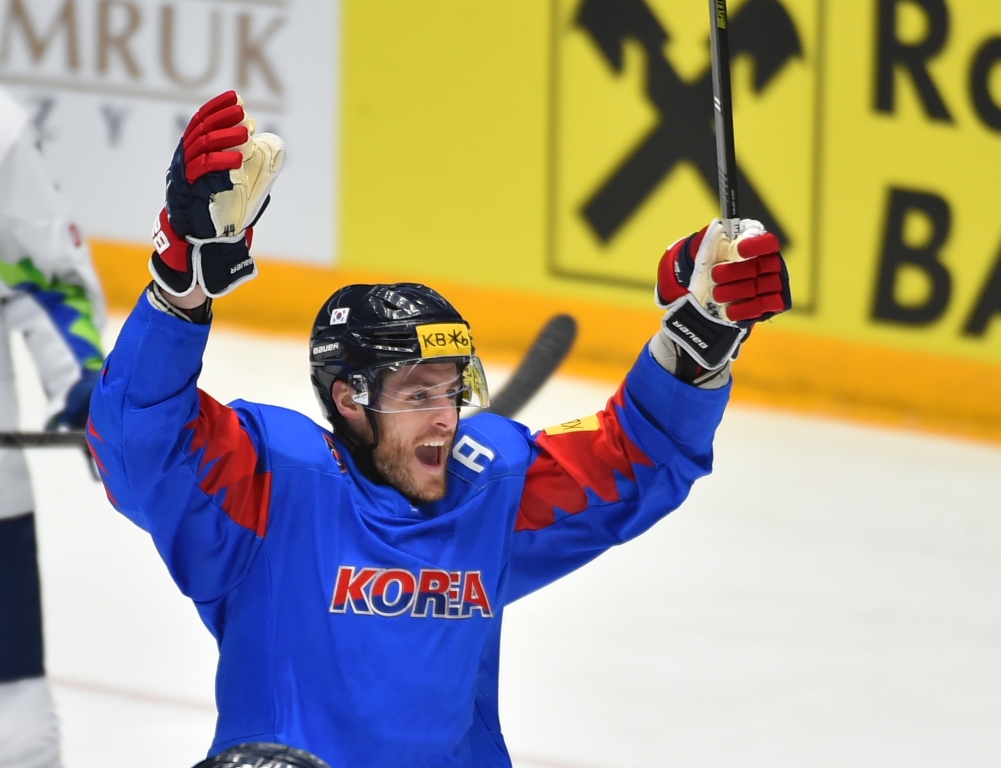 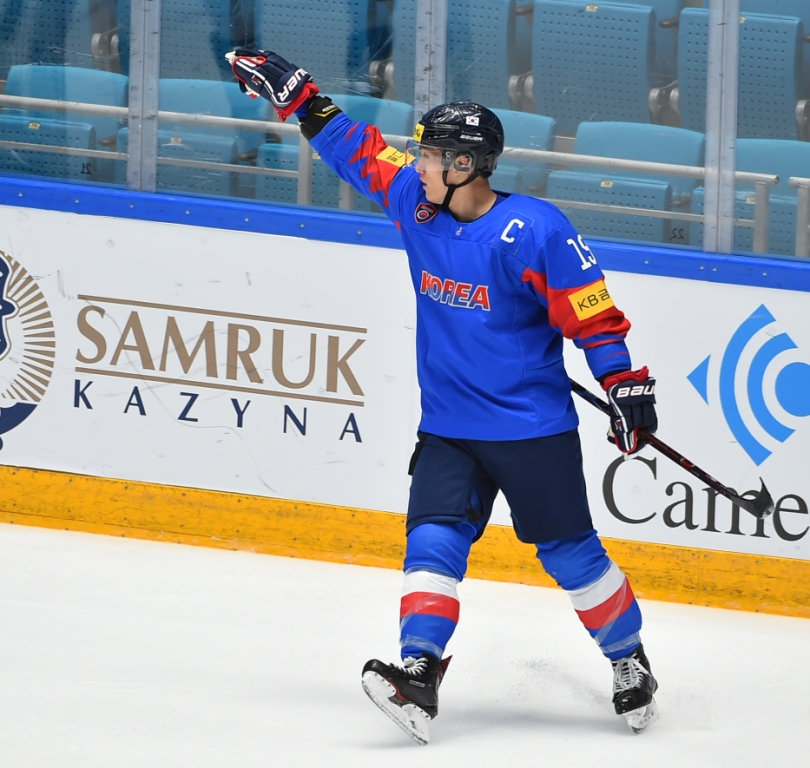 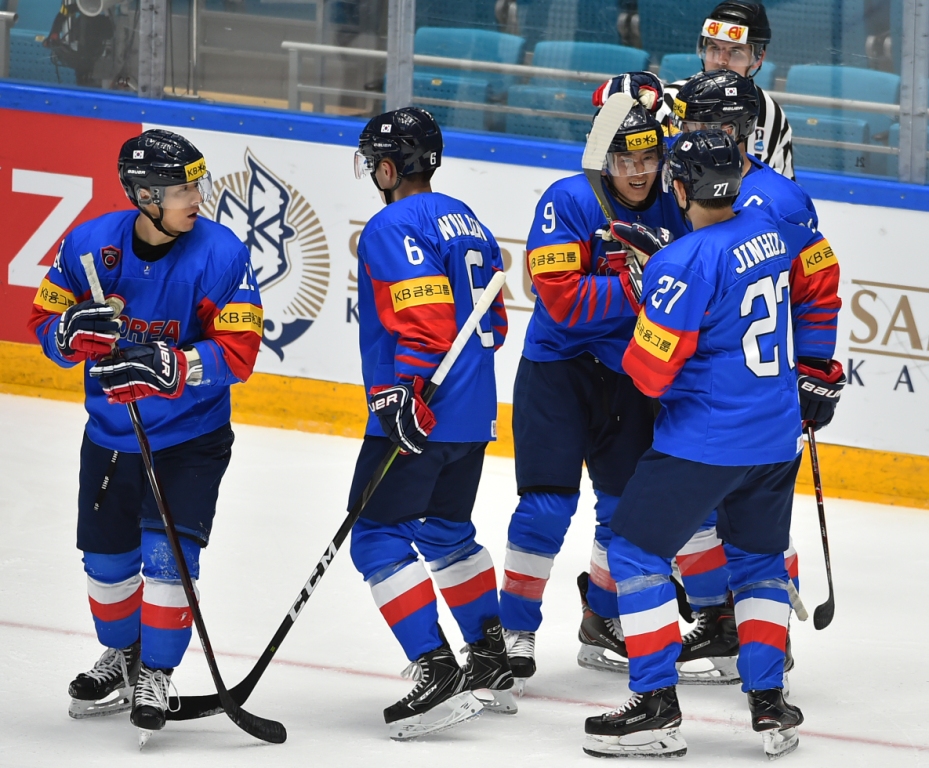 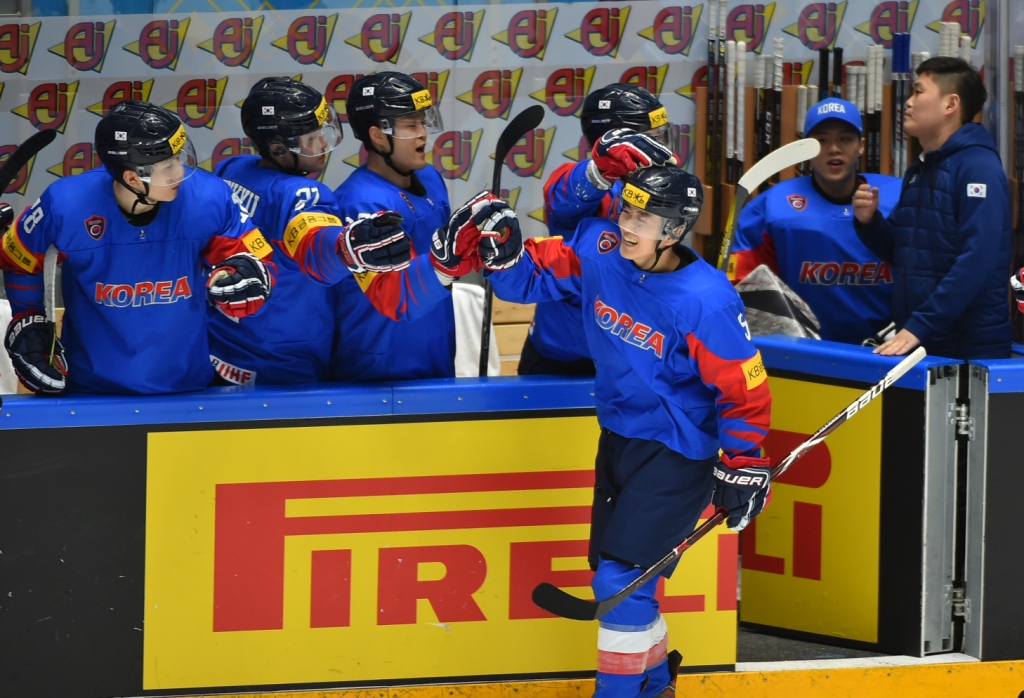 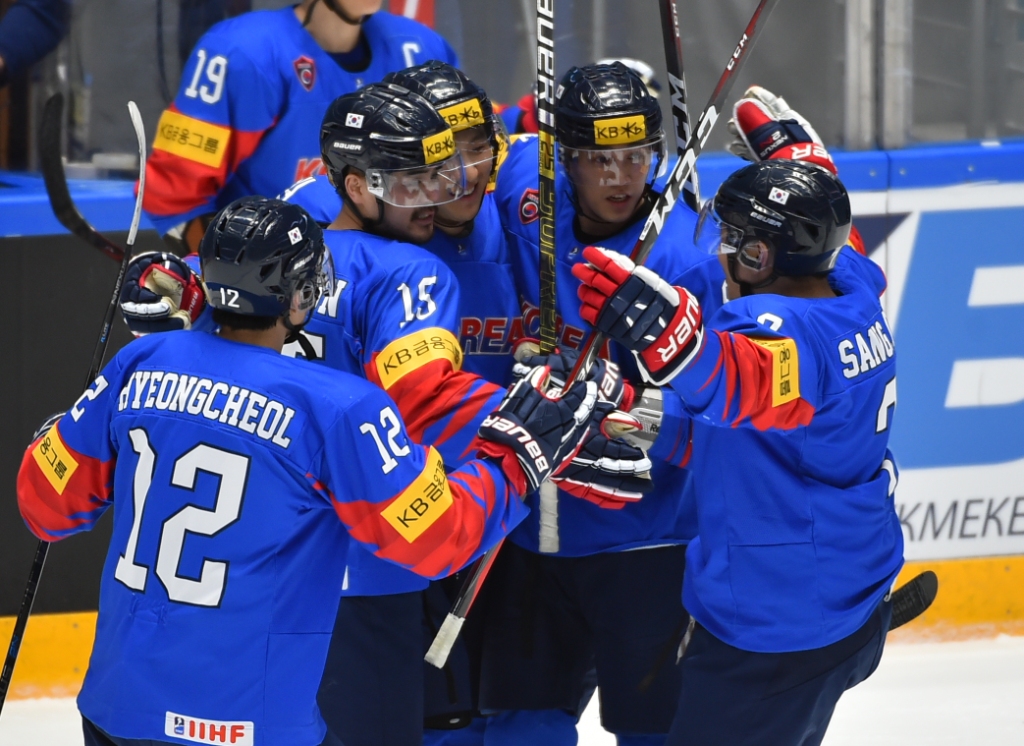 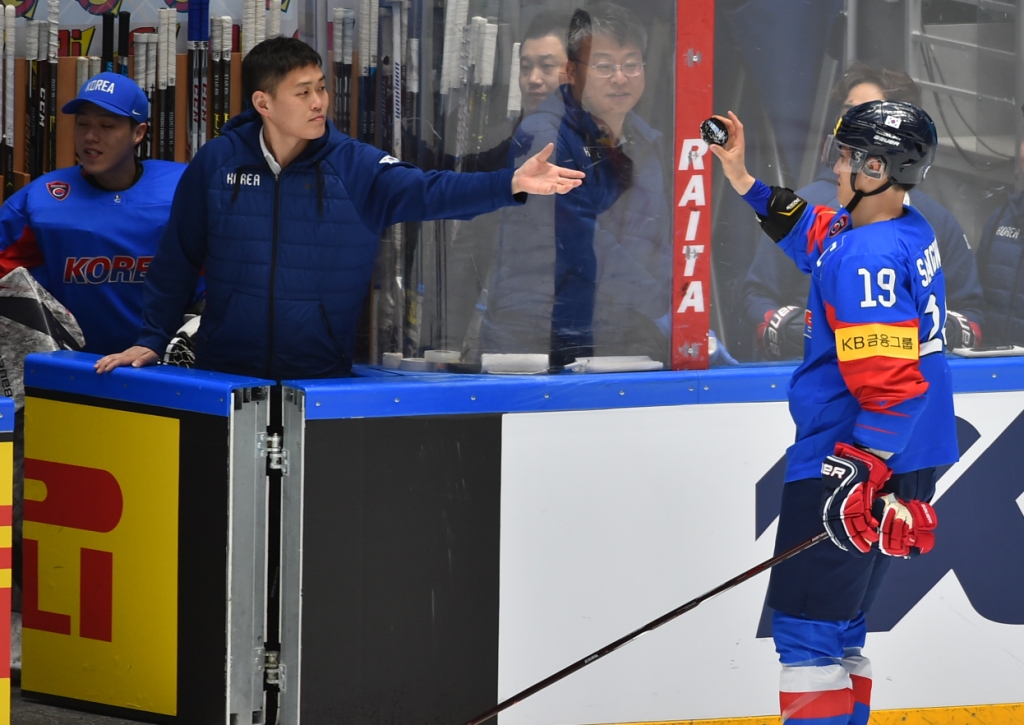 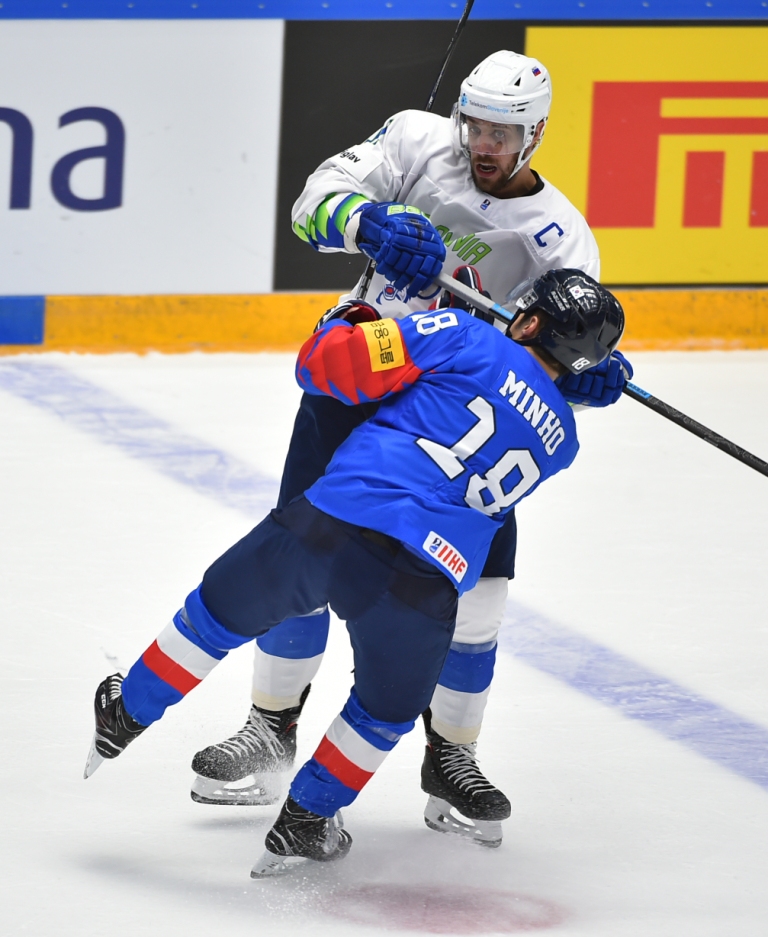 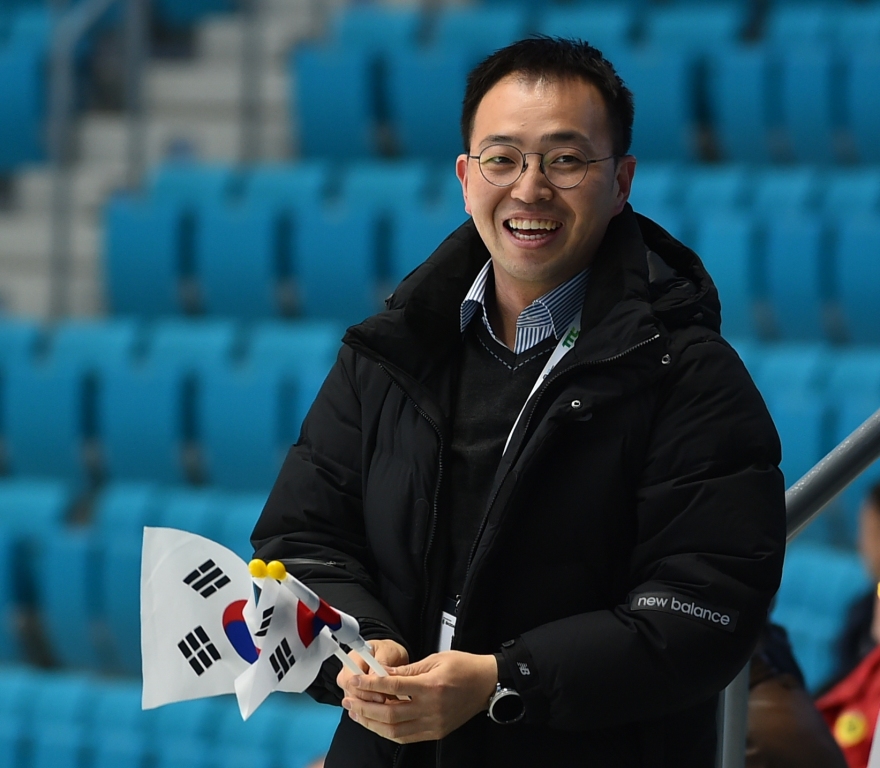 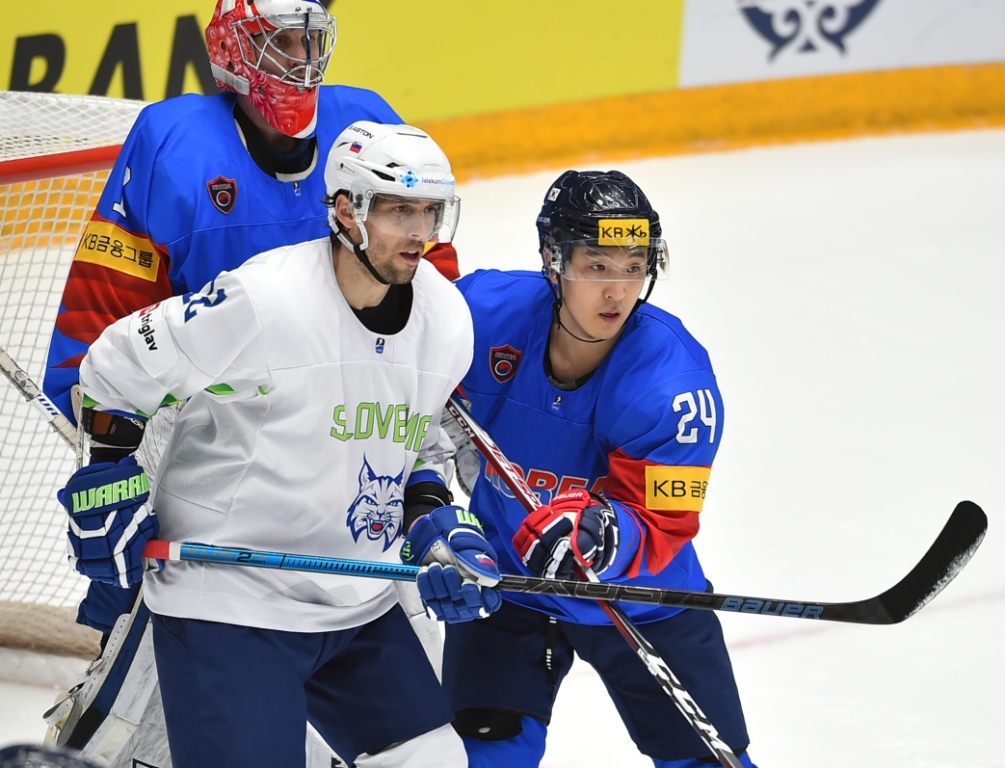 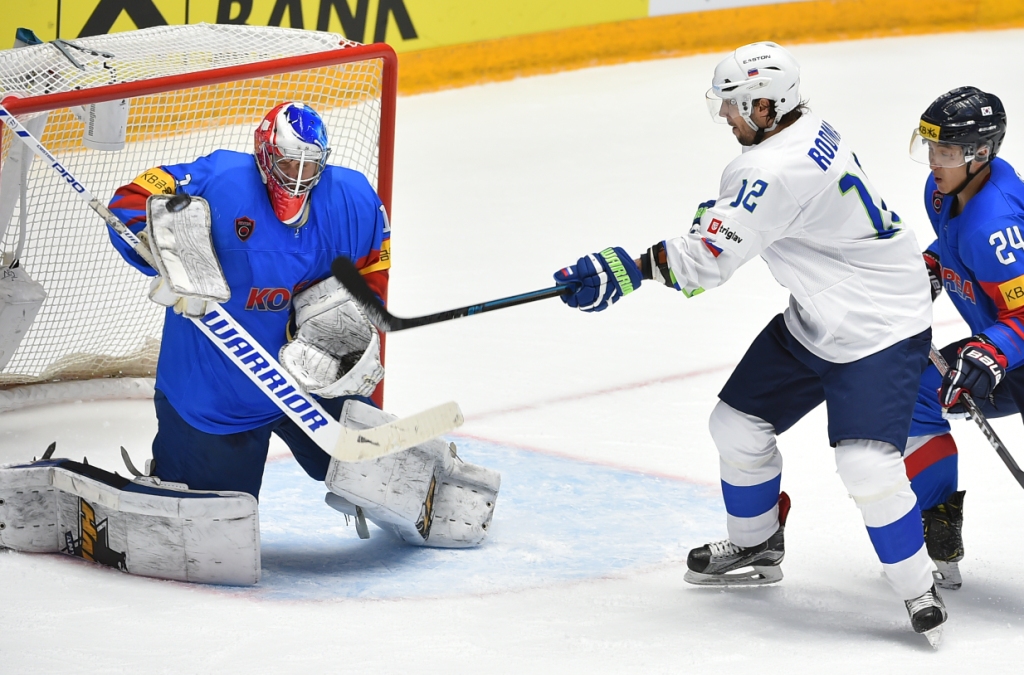 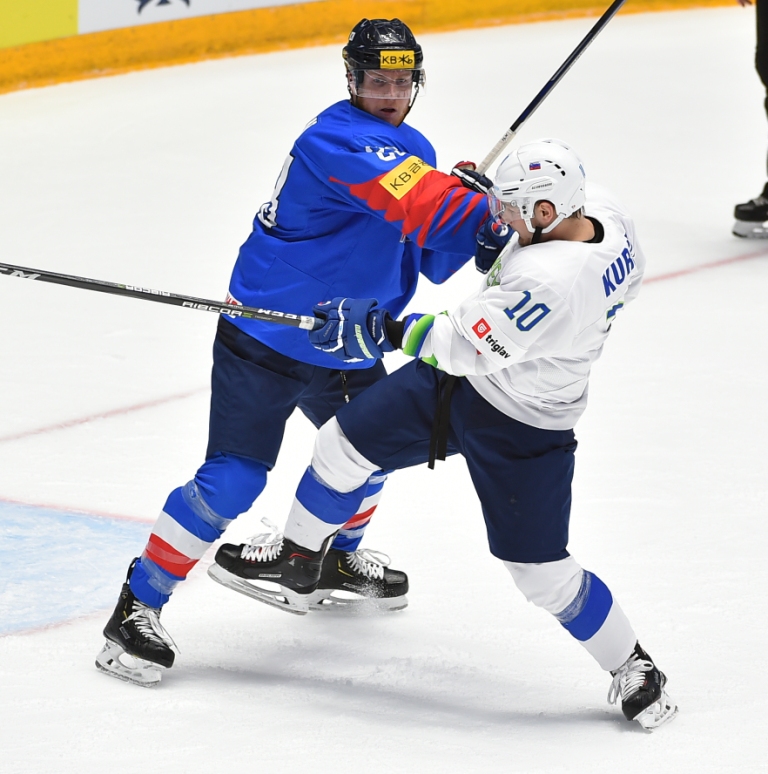 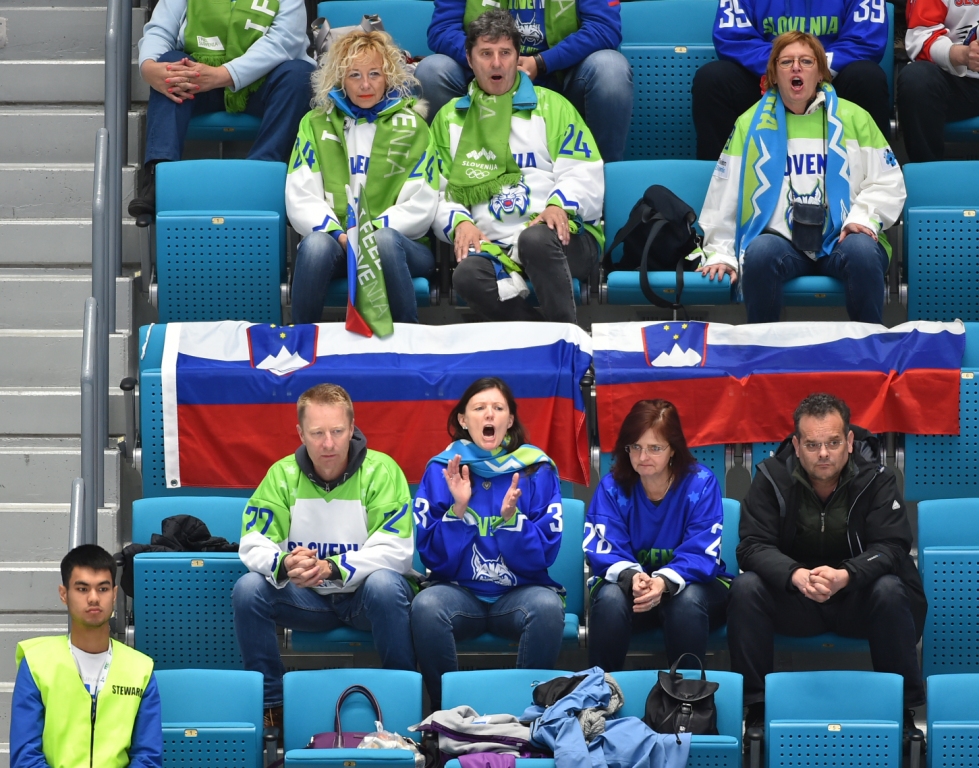