Olympic groups confirmed
The Wukesong Sports Centre - here during an NHL game - will host most of the Olympic women’s ice hockey games in Beijing 2022.
photo: Brian Babineau / NHLI via Getty Images
share
The list of participating ice hockey teams at the upcoming Olympic Winter Games is complete with the Czech, Swedish and Danish women’s national team qualifying for Beijing 2022. A record number of 22 ice hockey teams will play at the next Olympics.

The Czech Republic beat Hungary 5-1 for the top spot in their qualification group on home ice in Chomutov while Sweden edged France 3-2 in front of their home crowd in Lulea. Denmark won the tightest group in Fussen where after two wins they needed one more point in their last game against host Germany and did so in a 3-2 shootout loss. 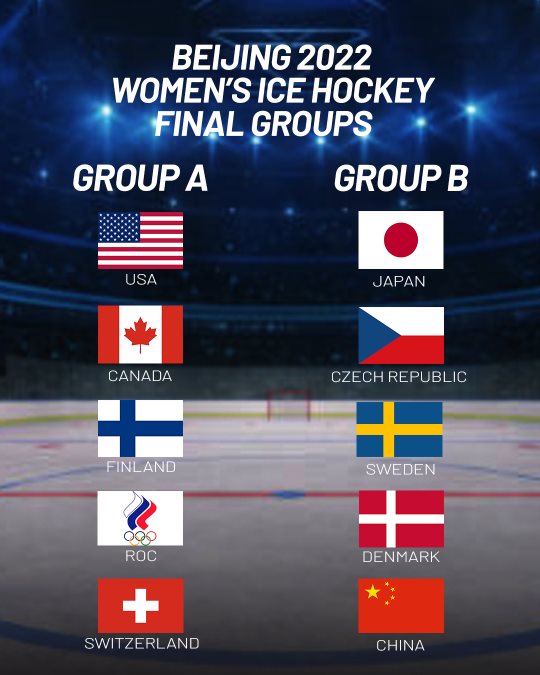 Seeded according to the 2020 IIHF Women’s World Ranking, the top-five teams USA, Canada, Finland, ROC and Switzerland will play in Group A of the two-tiered preliminary round. Group B will consist of Japan, the Czech Republic, Sweden, Denmark and host China. The Group A teams and the top-three Group B teams will play in the quarter-finals.