Swedish women return to Olympics
Swedish captain Michelle Lowenhielm celebrates the opening goal against France.
photo: Fredrik Sundvall
share
The Swedish women’s national team will be back at a top-level event after a three-year absence and has qualified for the 2022 Olympic Winter Games after beating France 3-2 in a winner-takes-it-all game at the Final Olympic Qualification Group E on home ice in Lulea.

The Swedes built up a 2-0 lead after 24 minutes of play and had more energy to take the win home outshooting Les Bleues 40-17. Sweden had to go through the Olympic Qualification for the first time and continues its streak of Olympic participations.

“There were a lot of ups and downs on the ice and also emotionally. It was a rollercoaster ride but we handled it pretty well in the end. It was a lot of emotions,” said Swedish defender Johanna Fallman.

“It’s huge for women’s hockey in Sweden to be back at the top level and play at the Olympics. That’s important for the game in Sweden and we’re pumped.”
For two games both the Swedes and the French were used to be the dominating force in the game but this winner-takes-it-all battle started with two teams on par. Even though the Swedes were favourites on paper, the French also had their chances. Their probably best opportunity for a lead was missed with a two-on-one attack by Chloe Aurard and Clara Rozier midway the first period.

On the other side Lisa Johansson was close when trying to capitalize on a rebound but the puck landed outside the net.

At 12:30 the Damkronorna team made their home crowd in Lulea cheer. After a shot from Maja Nylen Persson, Felizia Wikner Zienkiewicz was looking for the rebound, skated with the puck behind the net and sent it back to Michelle Lowenhielm, who netted the puck into the top-right corner.

“It was amazing, a lot of fun, I was so happy I could do it, I can’t describe the feeling,” Swedish captain Lowenhielm said about the opening goal.

“It was a good fight, they had their chances too but we managed to control the game. I love the way how my team played.”

Three-and-a-half minutes into the middle frame the Swedes doubled the gap. Olivia Carlsson sent a diagonal pass from behind the net through the crease and Sara Hjalmarsson reacted fastest to extend the Swedish lead to 2-0.

But France was not done yet. After a lengthy battle around the neutral zone Lea Parment sent a pass to Rozier at the blue line who deked Swedish defender Johanna Fallman in the offensive zone and then beat goalie Sara Grahn with a precise shot for the 2-1 score to the happiness of the travelling French fans among the crowd of 1,149 spectators at the arena.

The Swedes made one further step toward Beijing early in the third period. After Linnea Johansson had won a face-off at 1:58, Jessica Adolfsson sent off a hard shot from the blue that went in deflected by Lina Ljungblom.

The French suffered another kind of setback a minute later. Rozier illegally hit Lisa Johansson, who got her hand hurt and had to be taken care by the medical staff behind the bench while Rozier got a major penalty for interference. While the Swedes didn’t capitalize on the five-minute power play, they also didn’t allow the French to have a single shot on goal during the first half of the third period.
photo: Fredrik Sundvall
With 4:17 left in the game and a penalty against Sweden’s Anna Kjellbin just expired, Lea Villiot found the hole through traffic at Sara Grahn’s near goal post to cut the deficit and make it a one-goal game again.

The French came close on the scoreboard but yet the Swedes managed to keep them far.

“Everything was there. We didn’t miss anything to win this game, we just didn’t win. We were ready,” said French head coach Gregory Tarle after a result that was as honourable as it was frustrating for the team that had hoped for an upset.

It became hectic last minutes, in which the French hurt their chances with two penalties while Sweden defended the 3-2 lead until the end before celebrating their qualification for the 2022 Olympics and a comeback with the top nations after relegation from the Women’s Worlds in 2019.

“Our way of playing the game with consistency and a lot of puck possession made the difference. We knew it was the final game to get to the Olympic Games but we managed to be quite cool and at the same time active out there,” said Swedish head coach Ulf Lundberg.

At the Olympics Sweden will play in the “lower” Group B and battle to make the quarter-finals against Japan, the Czech Republic, Denmark and host China. 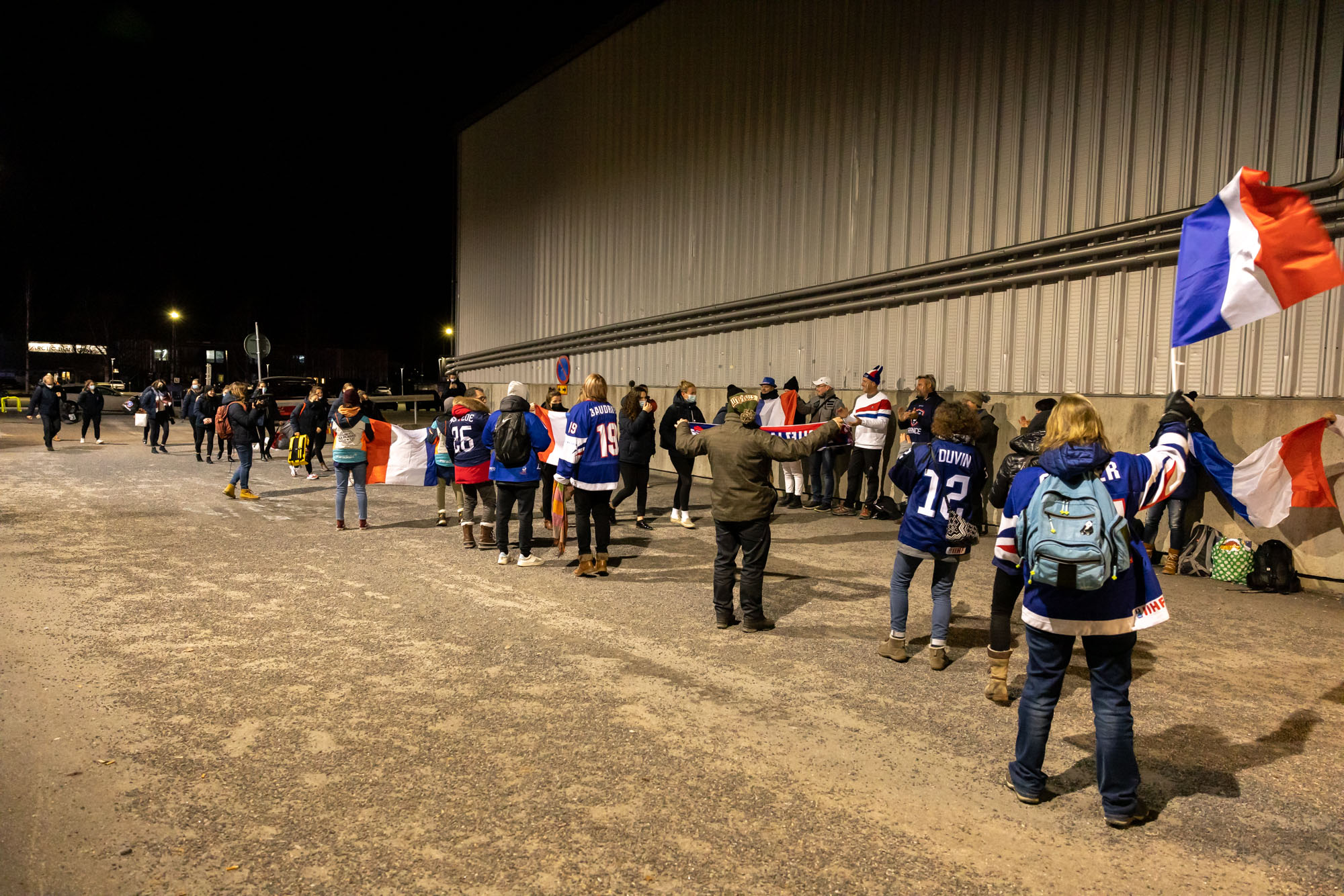 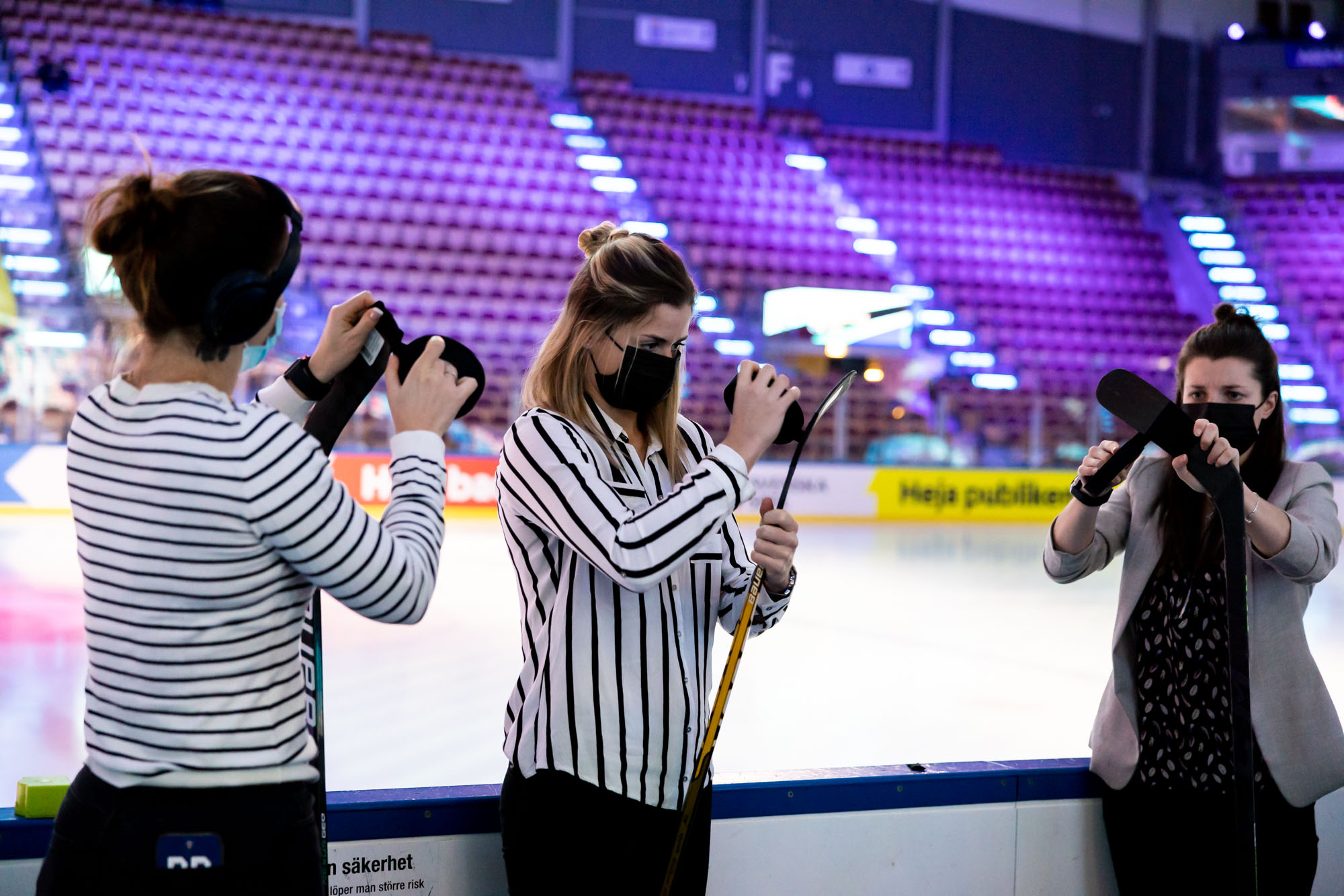 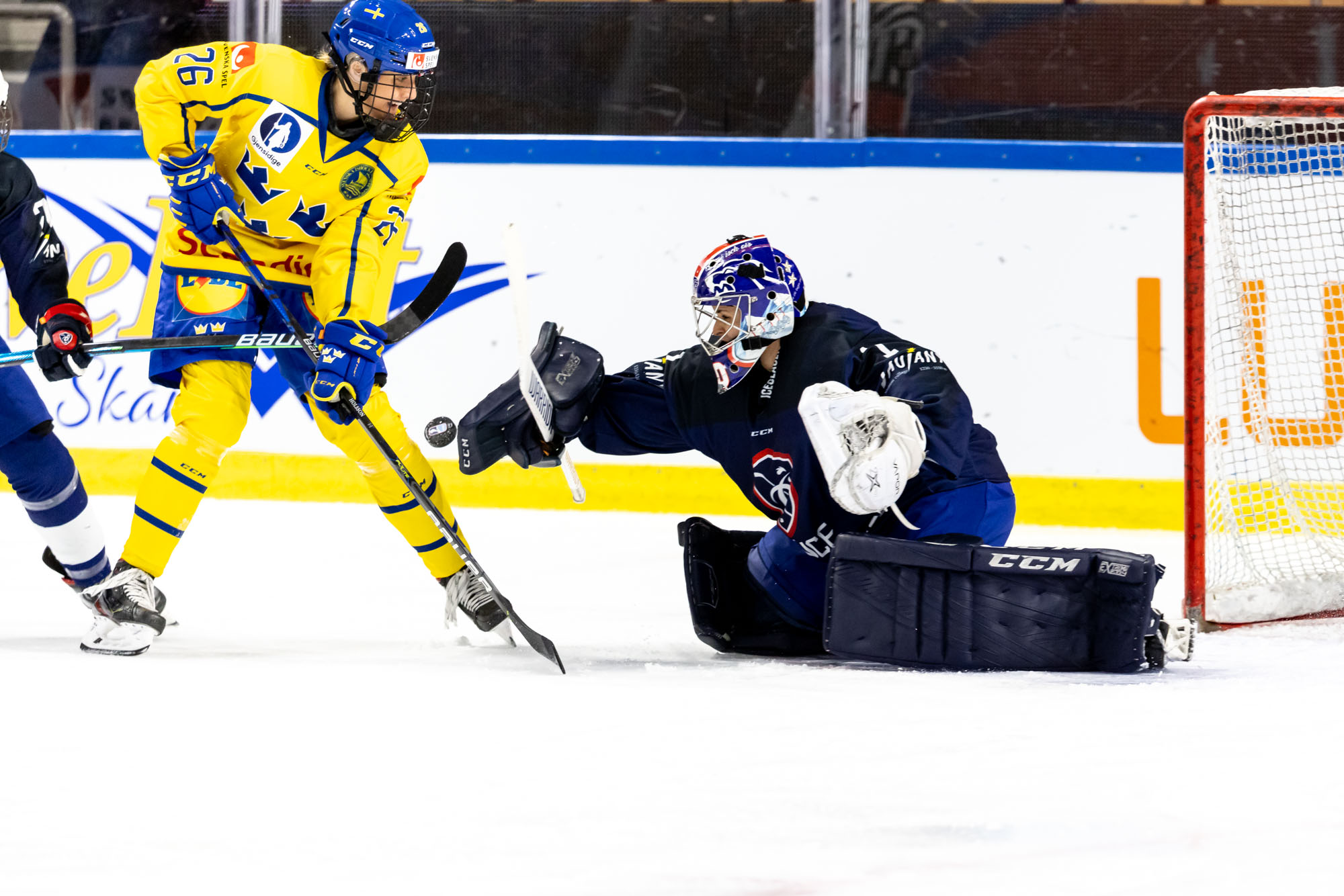 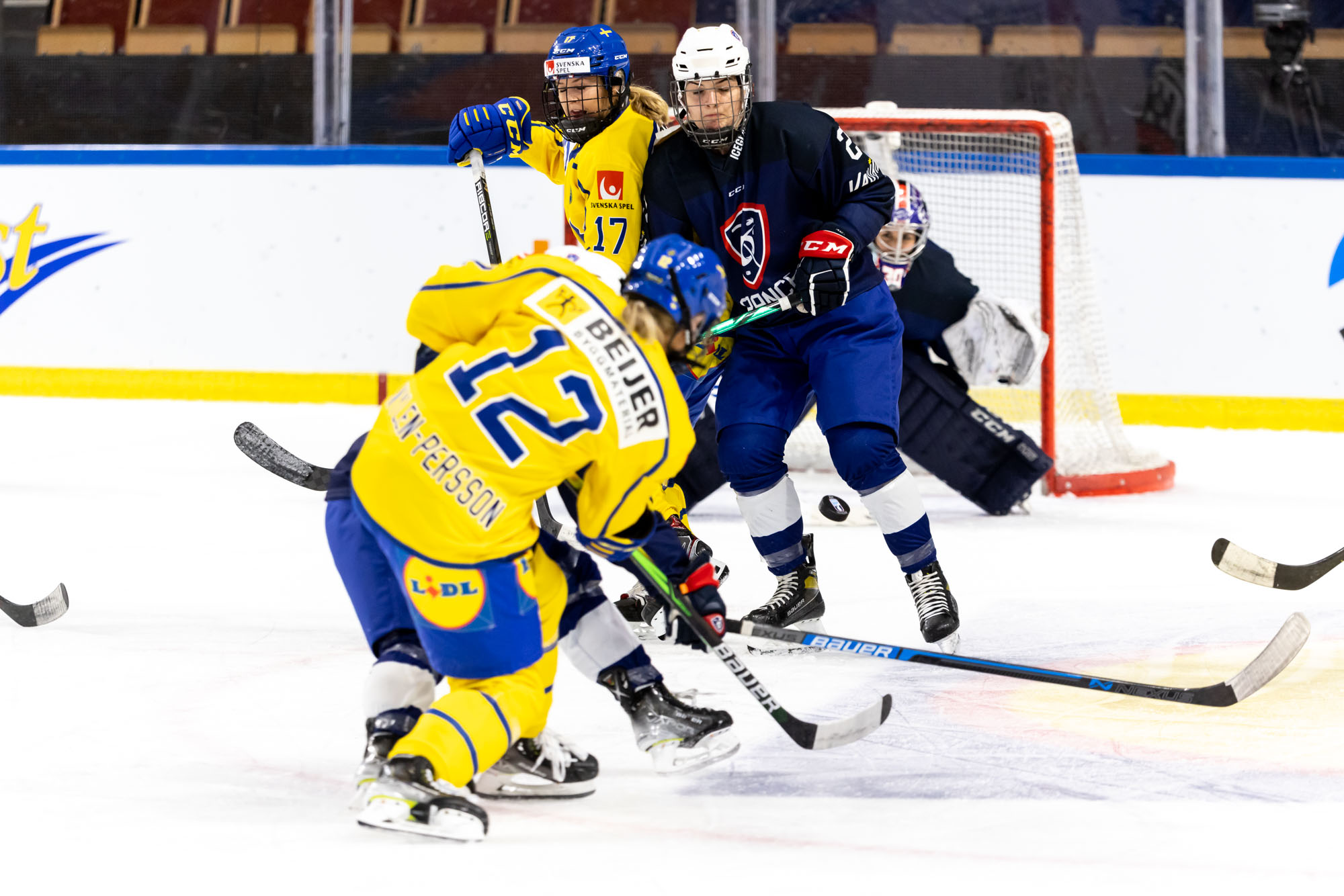 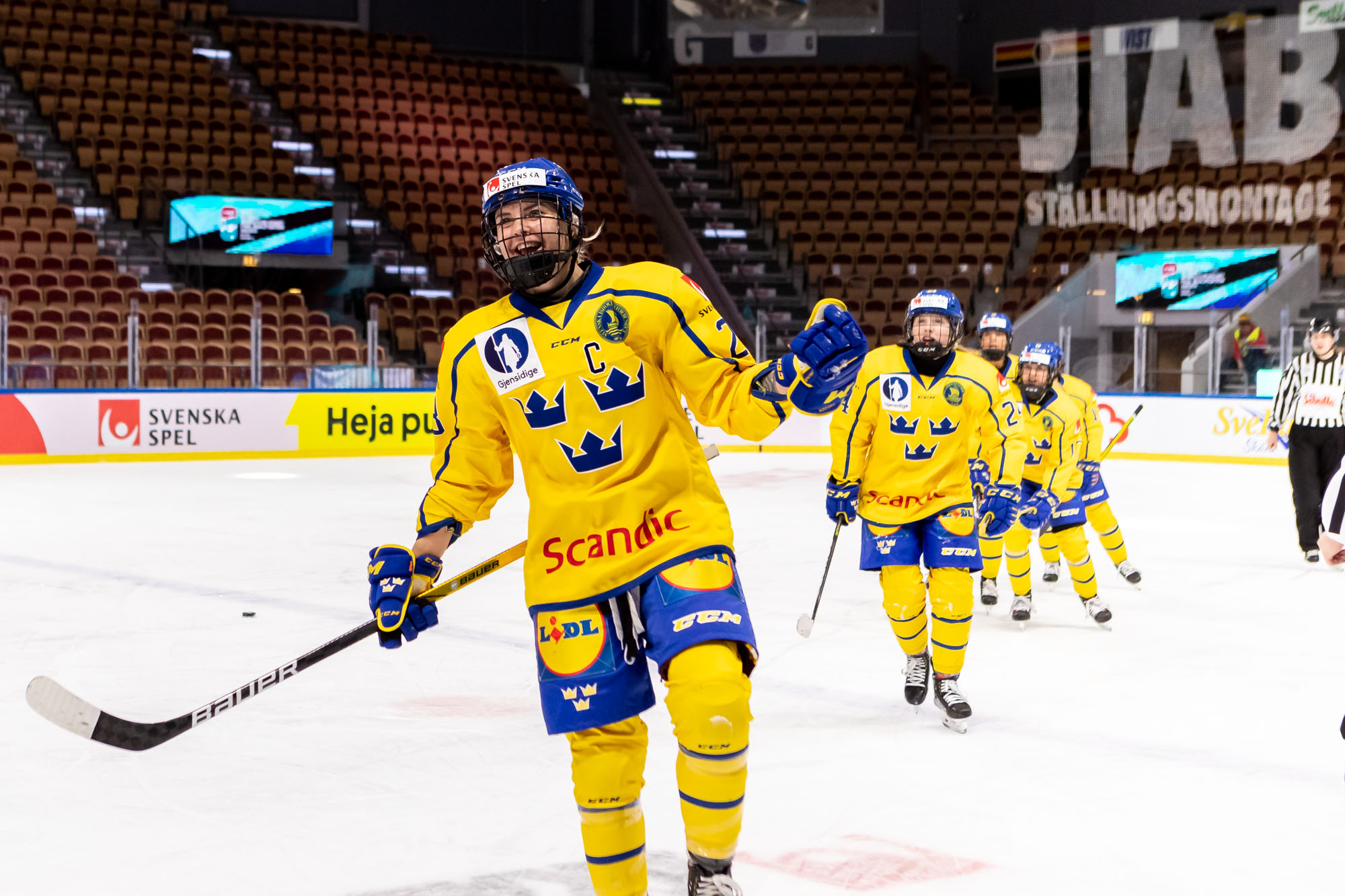 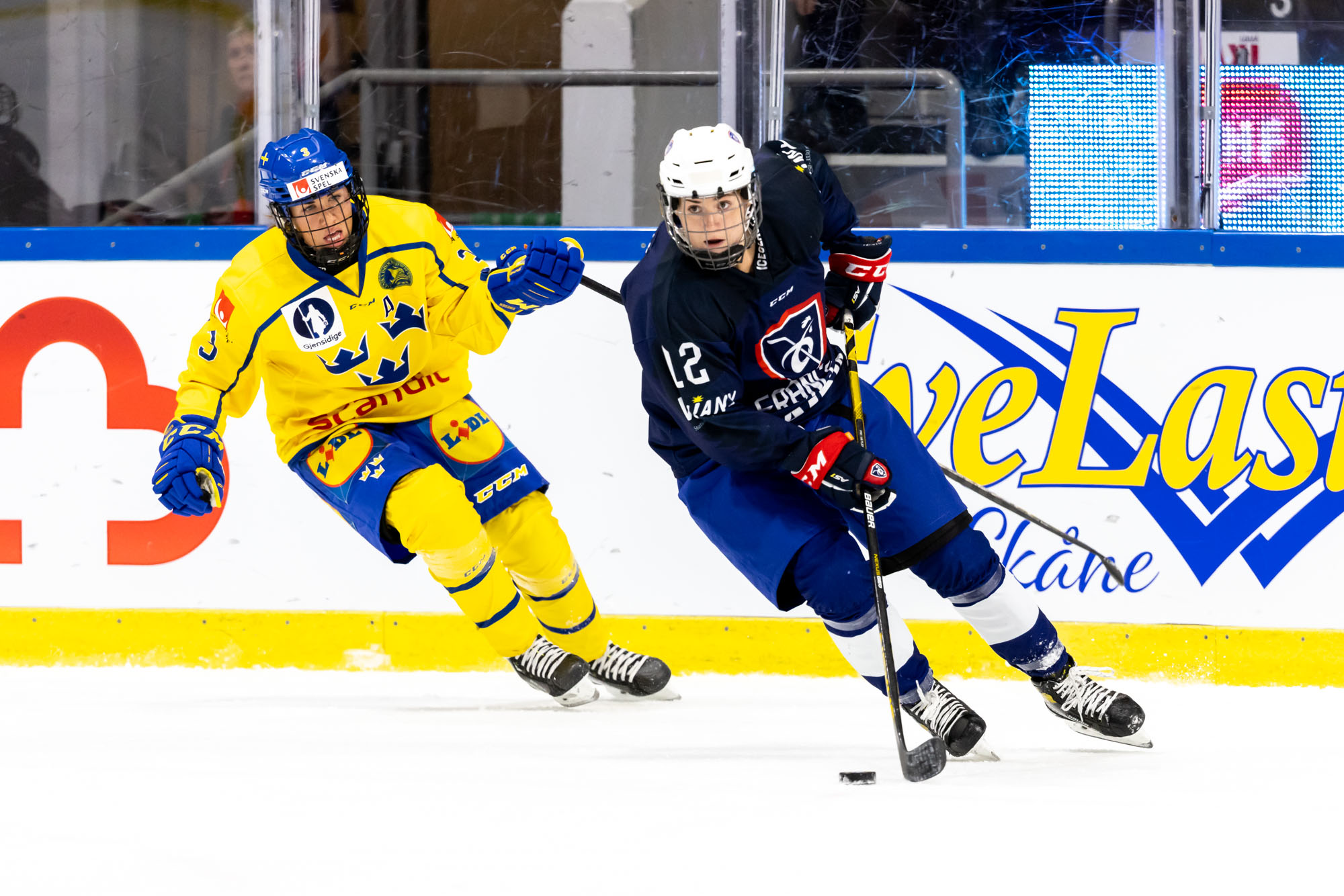 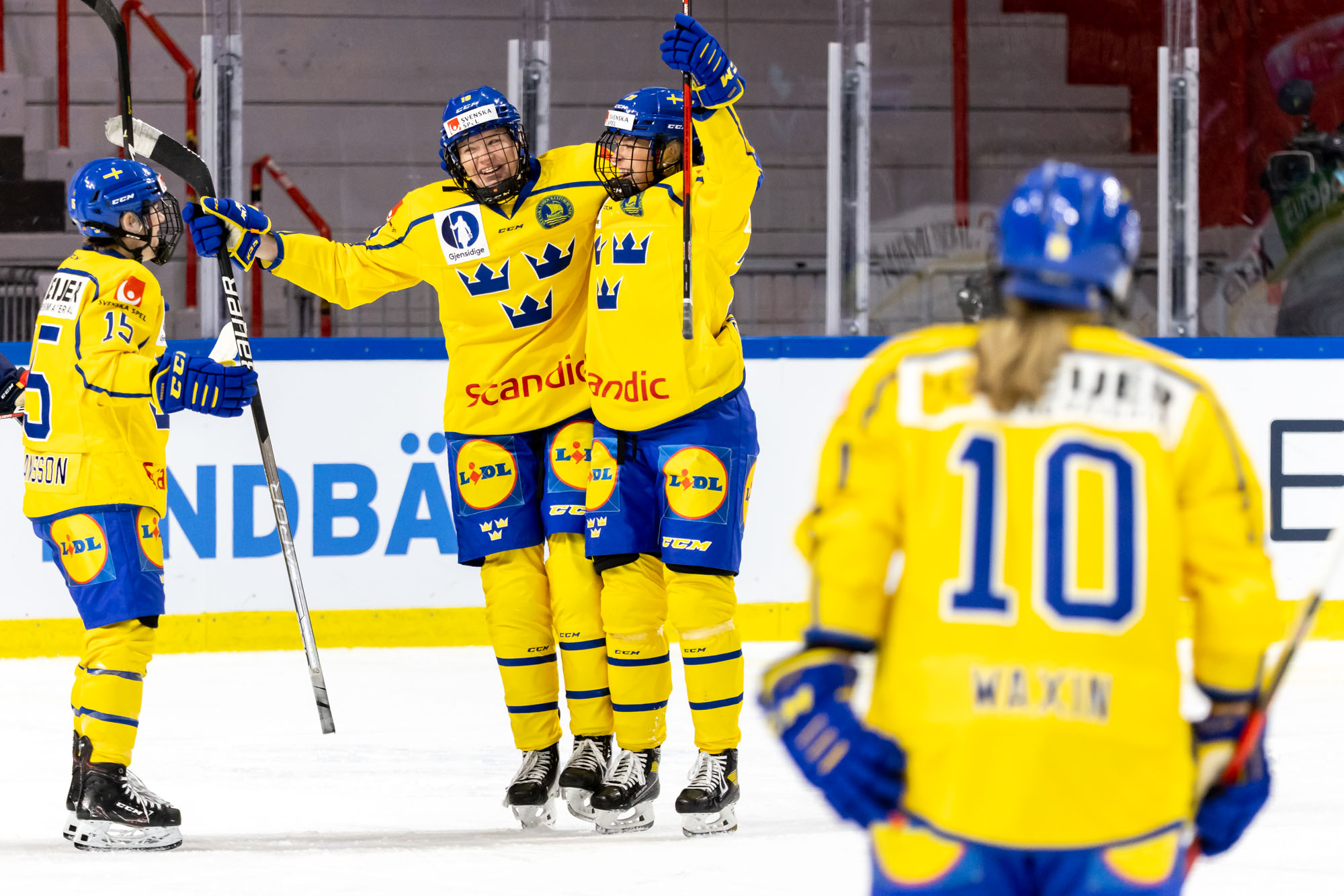 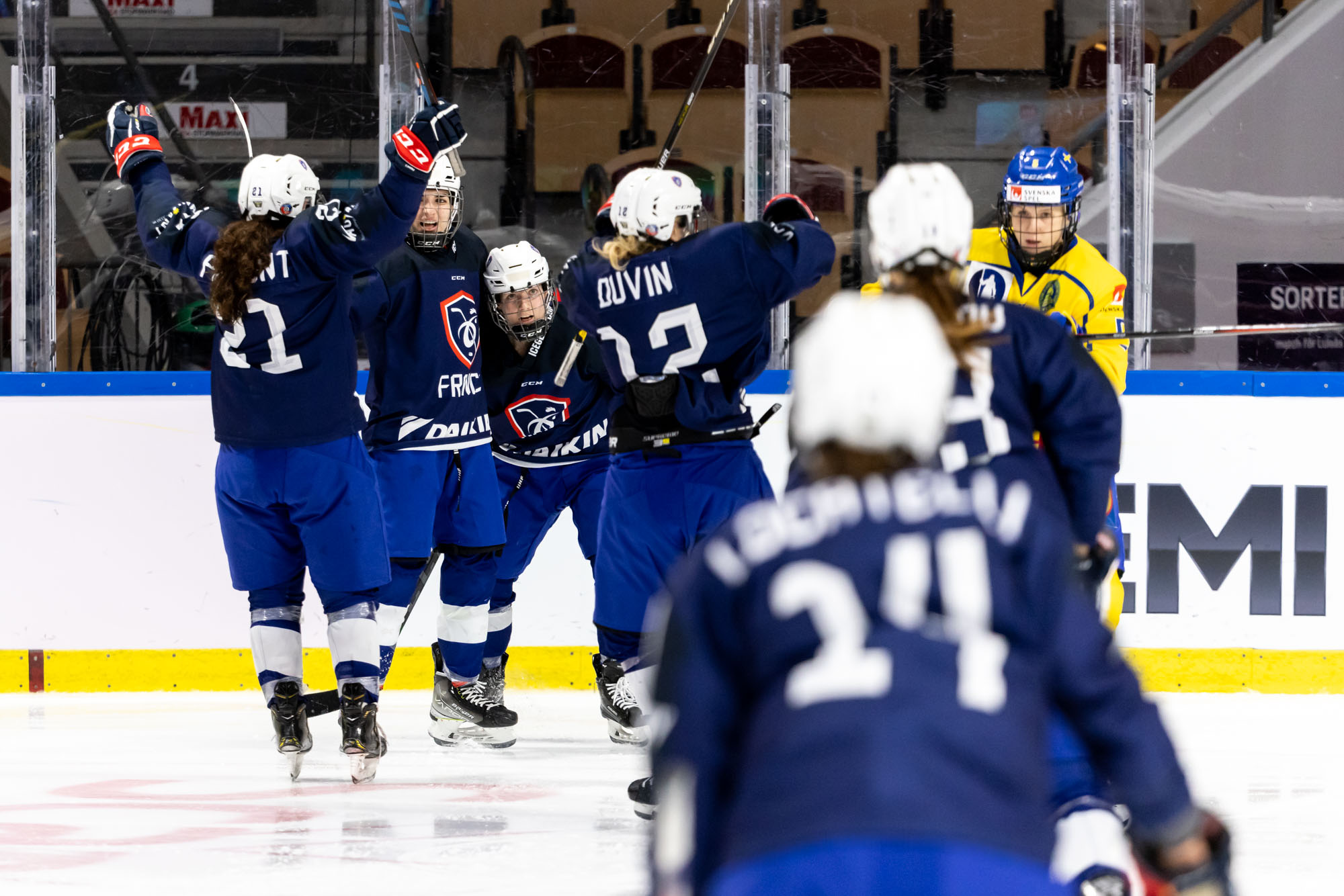 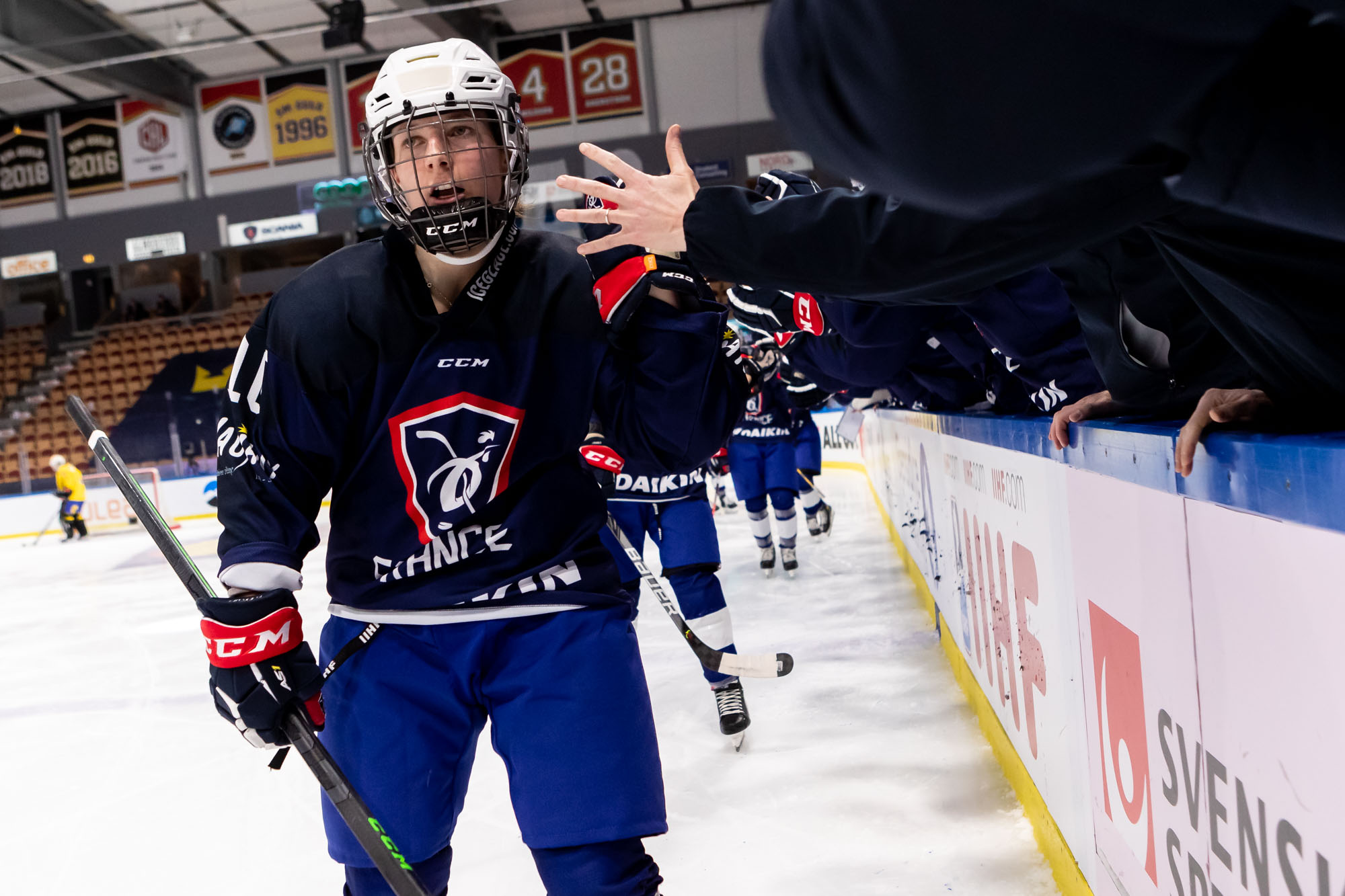 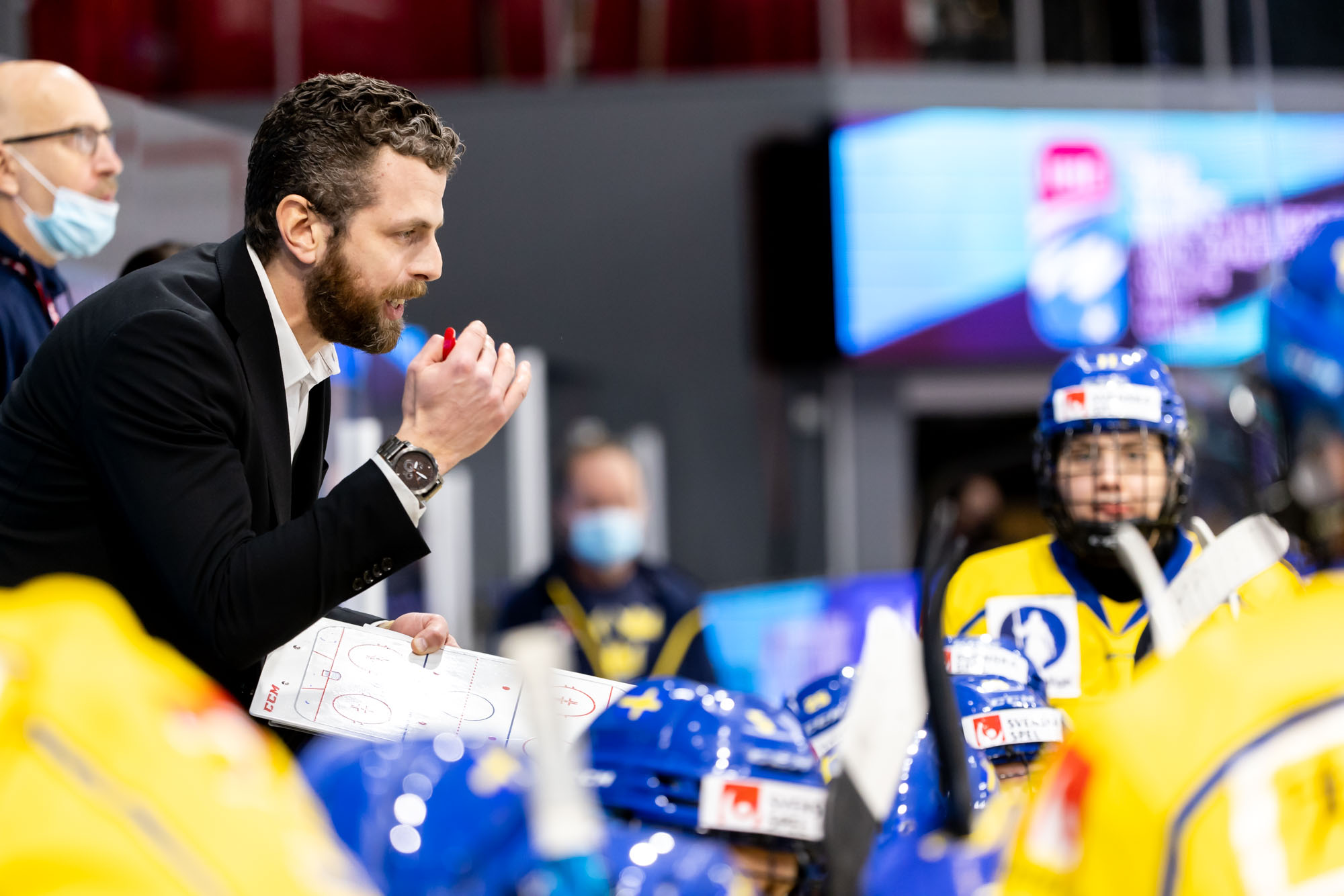 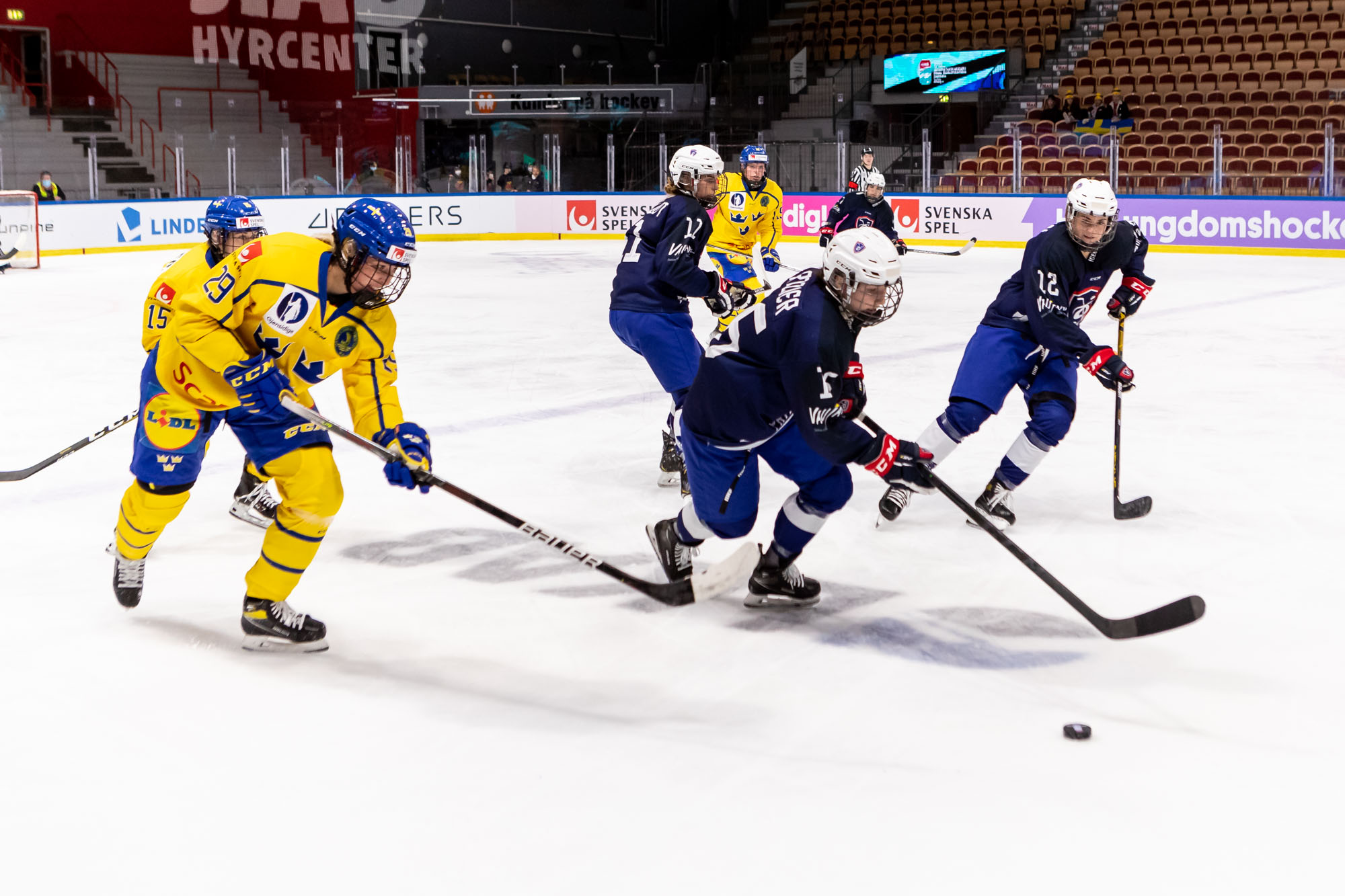 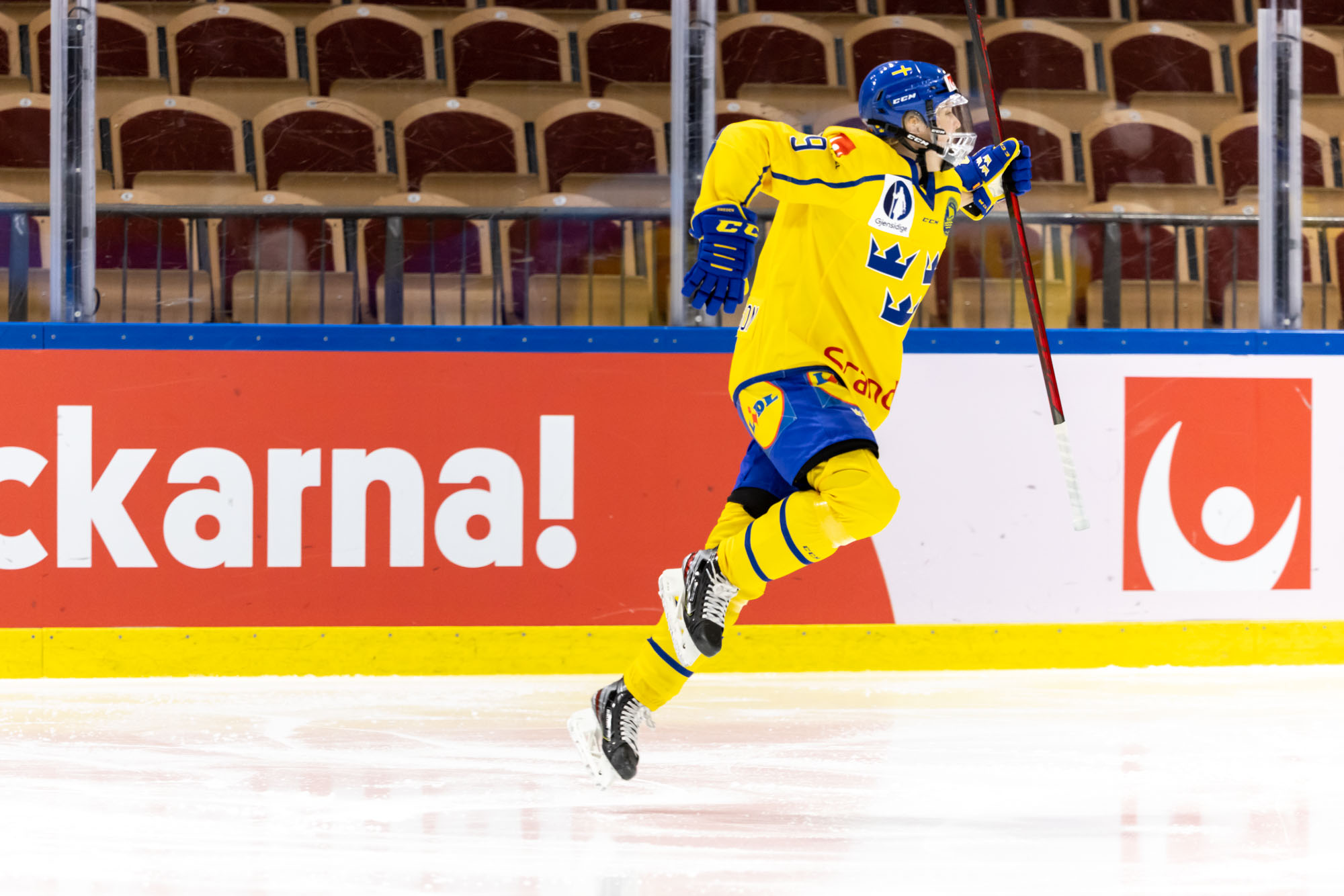 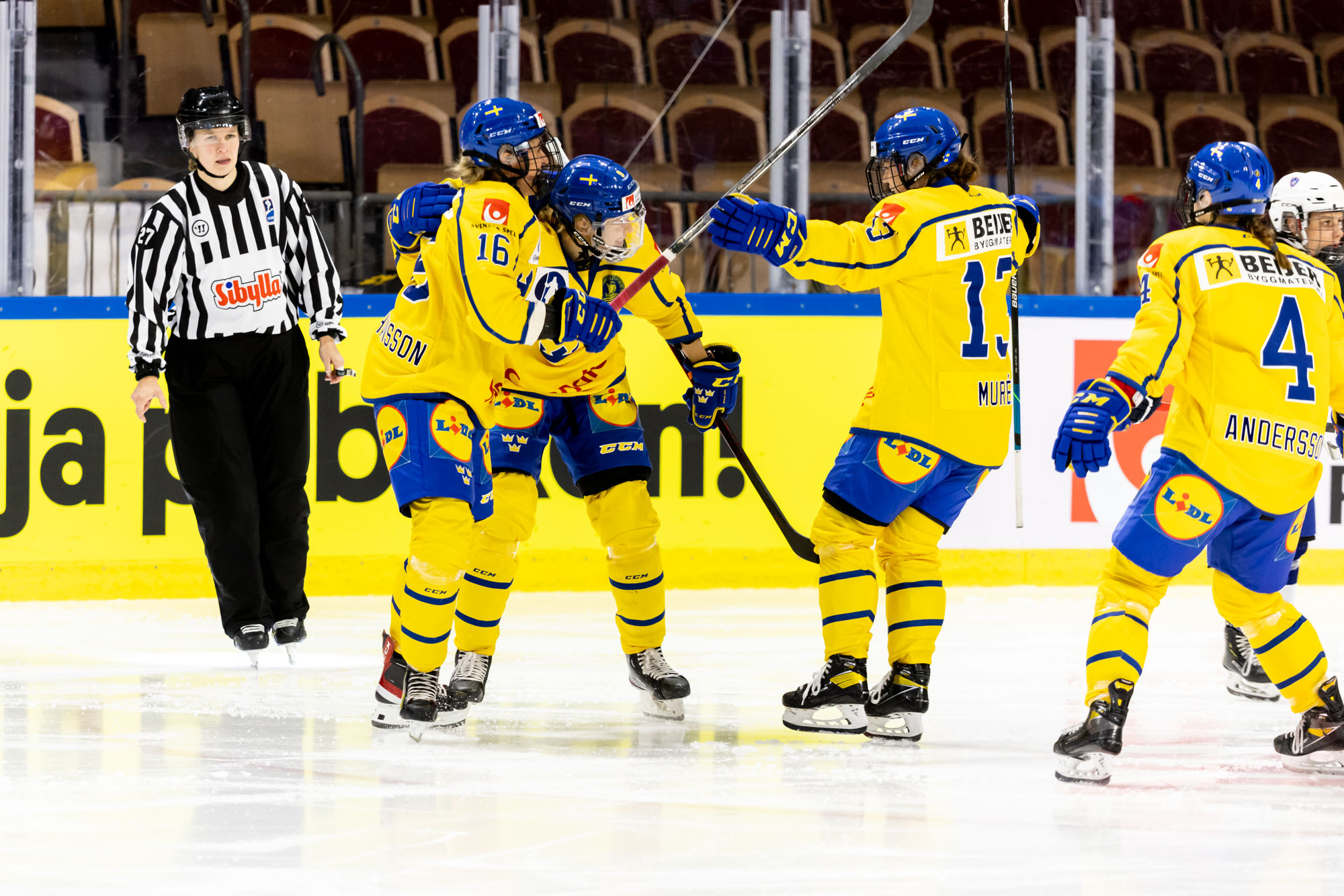 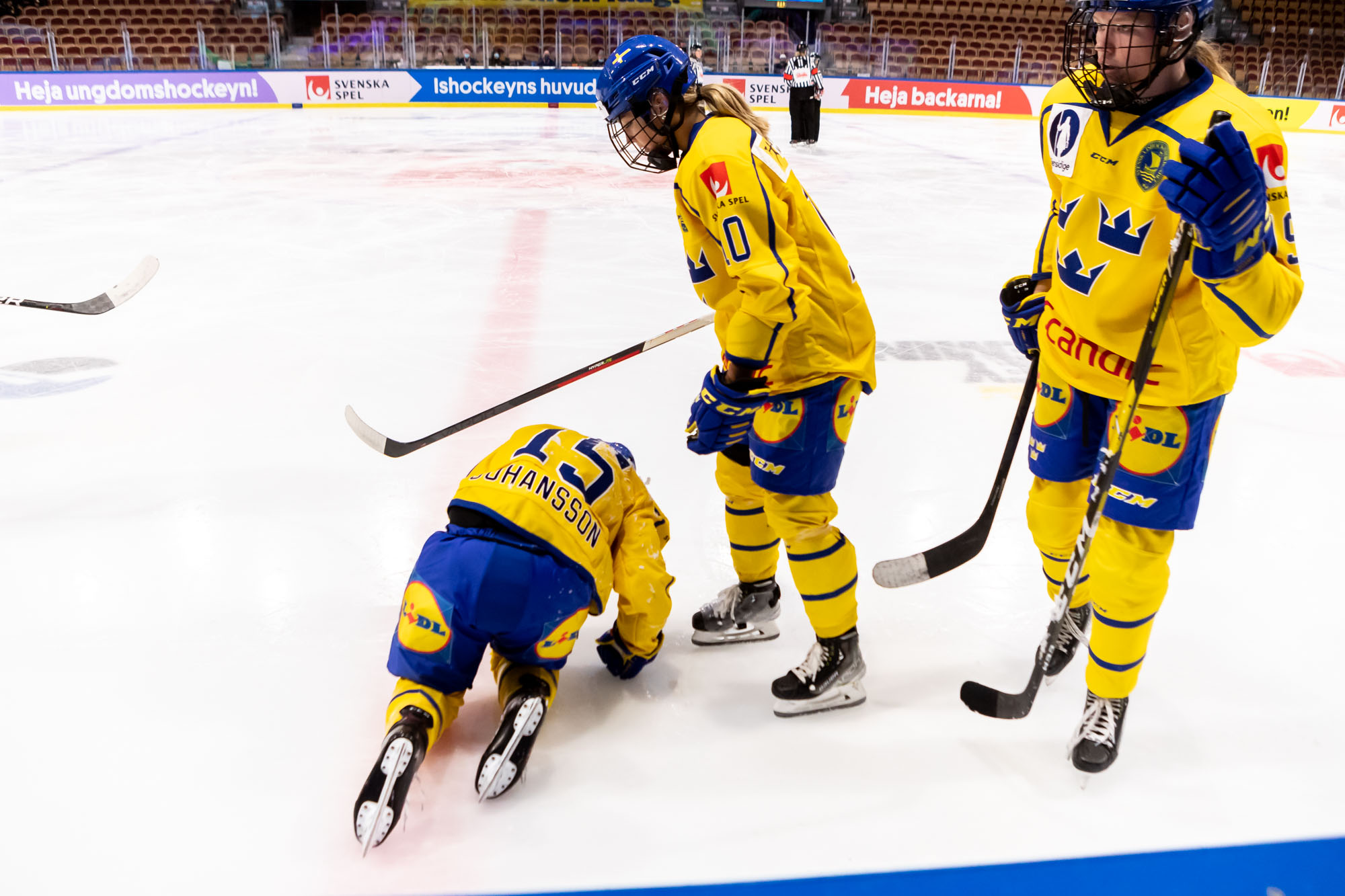 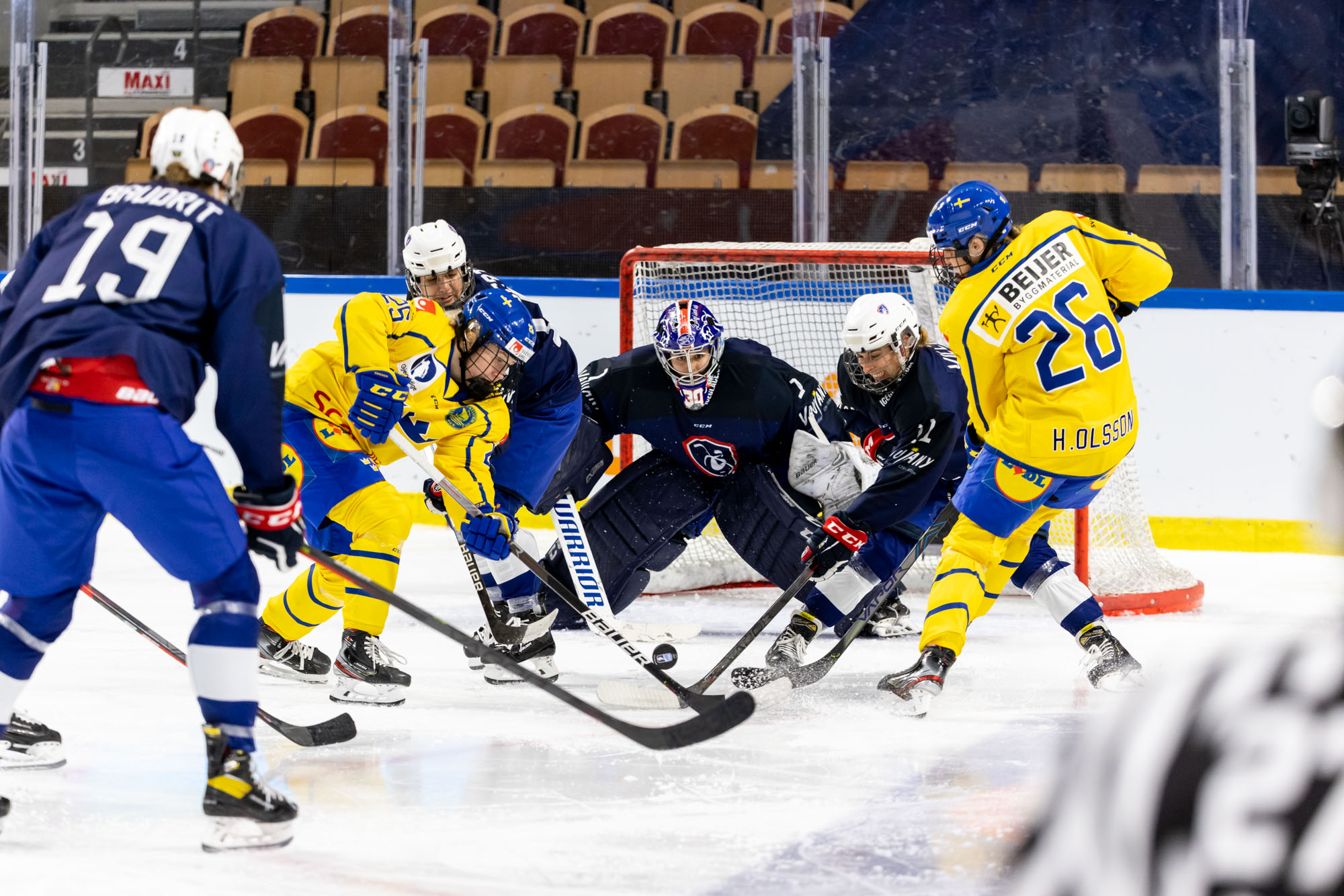 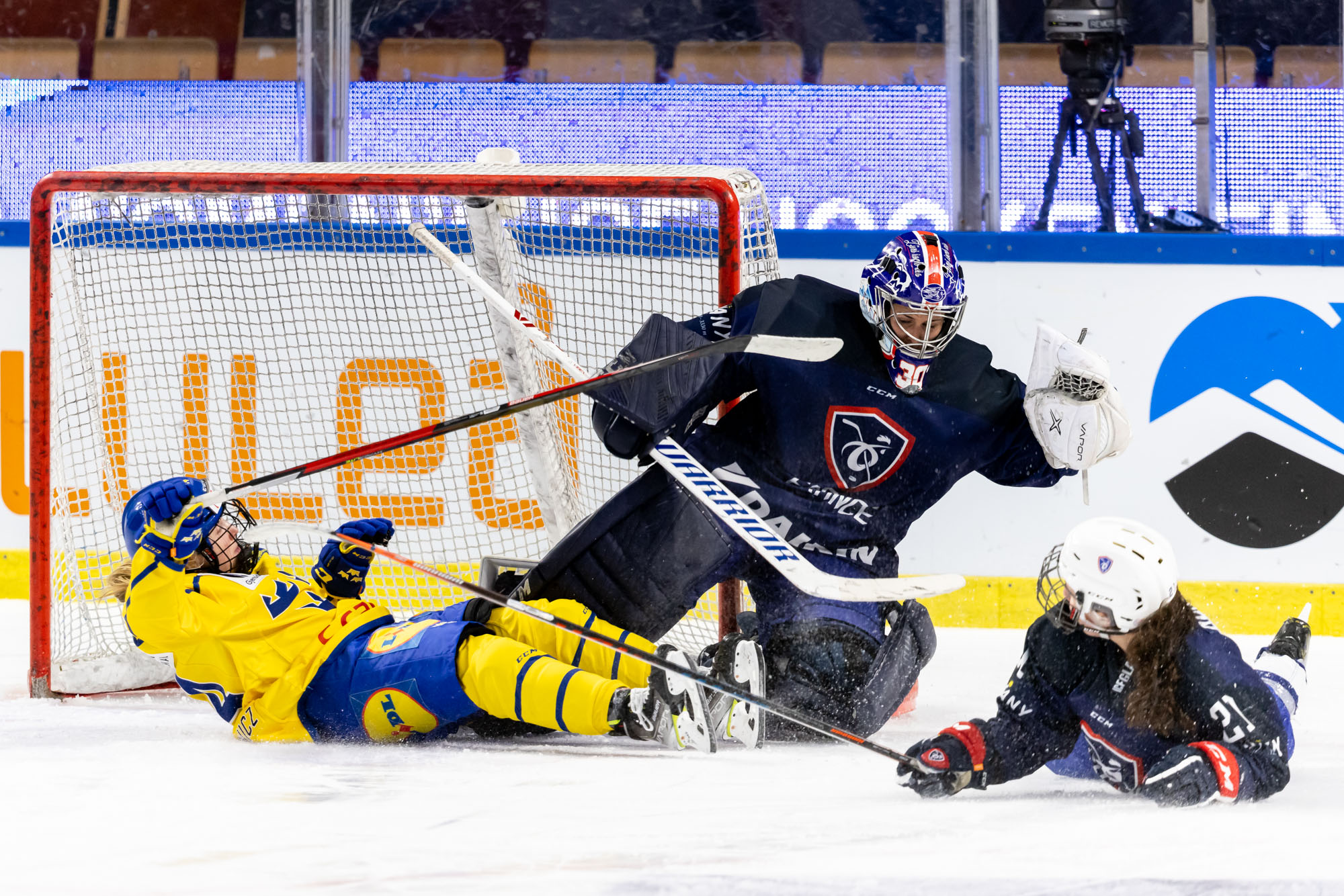 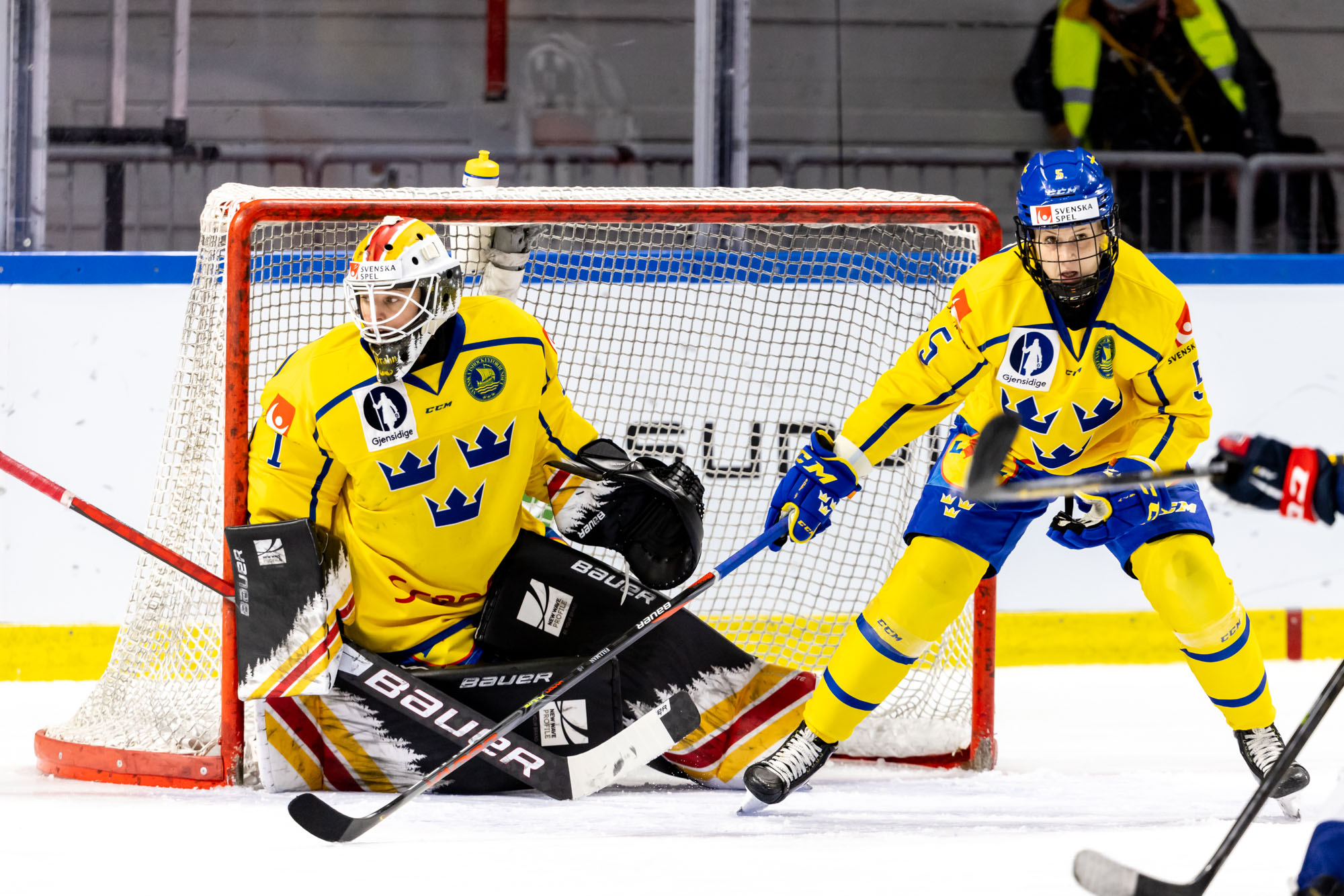 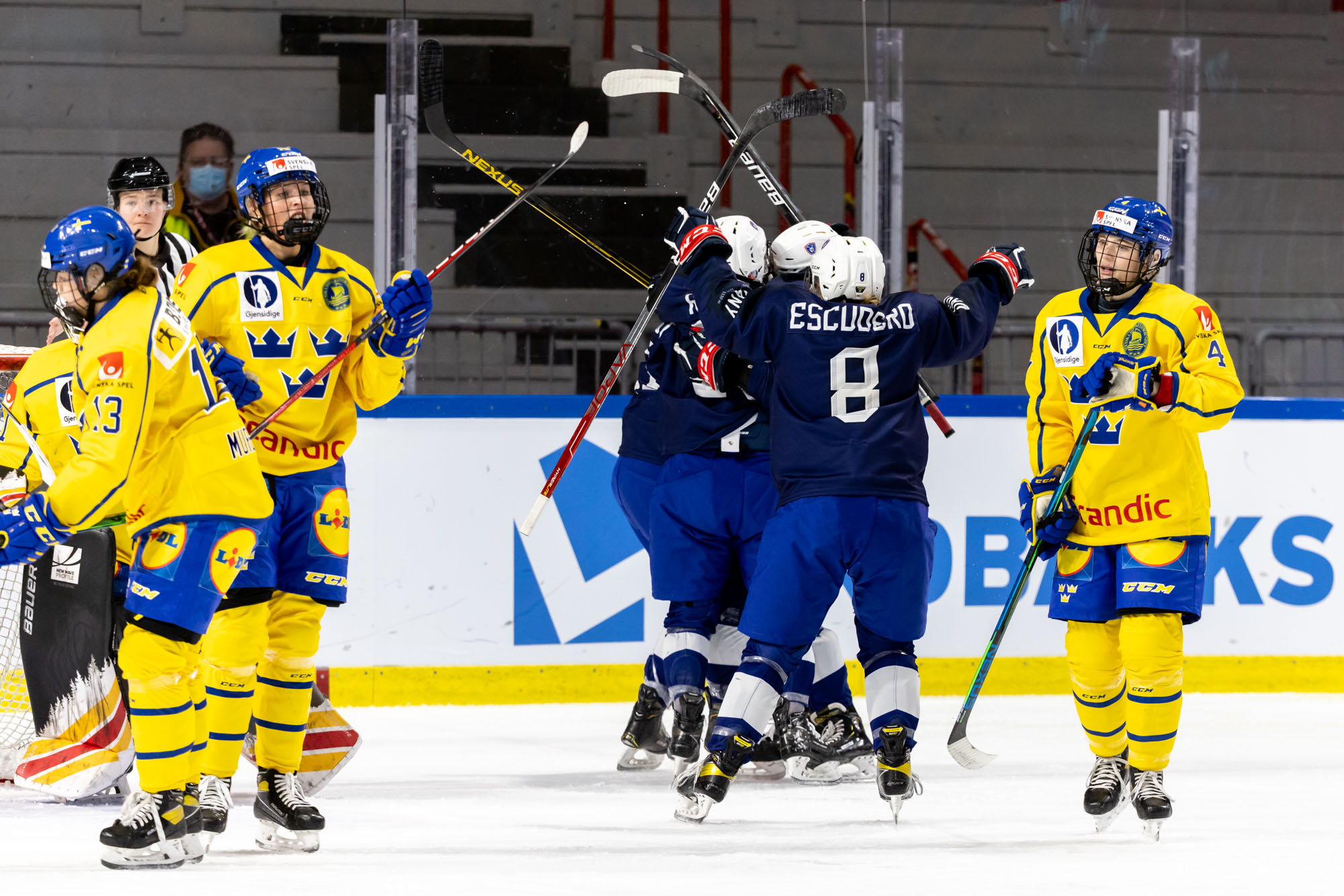 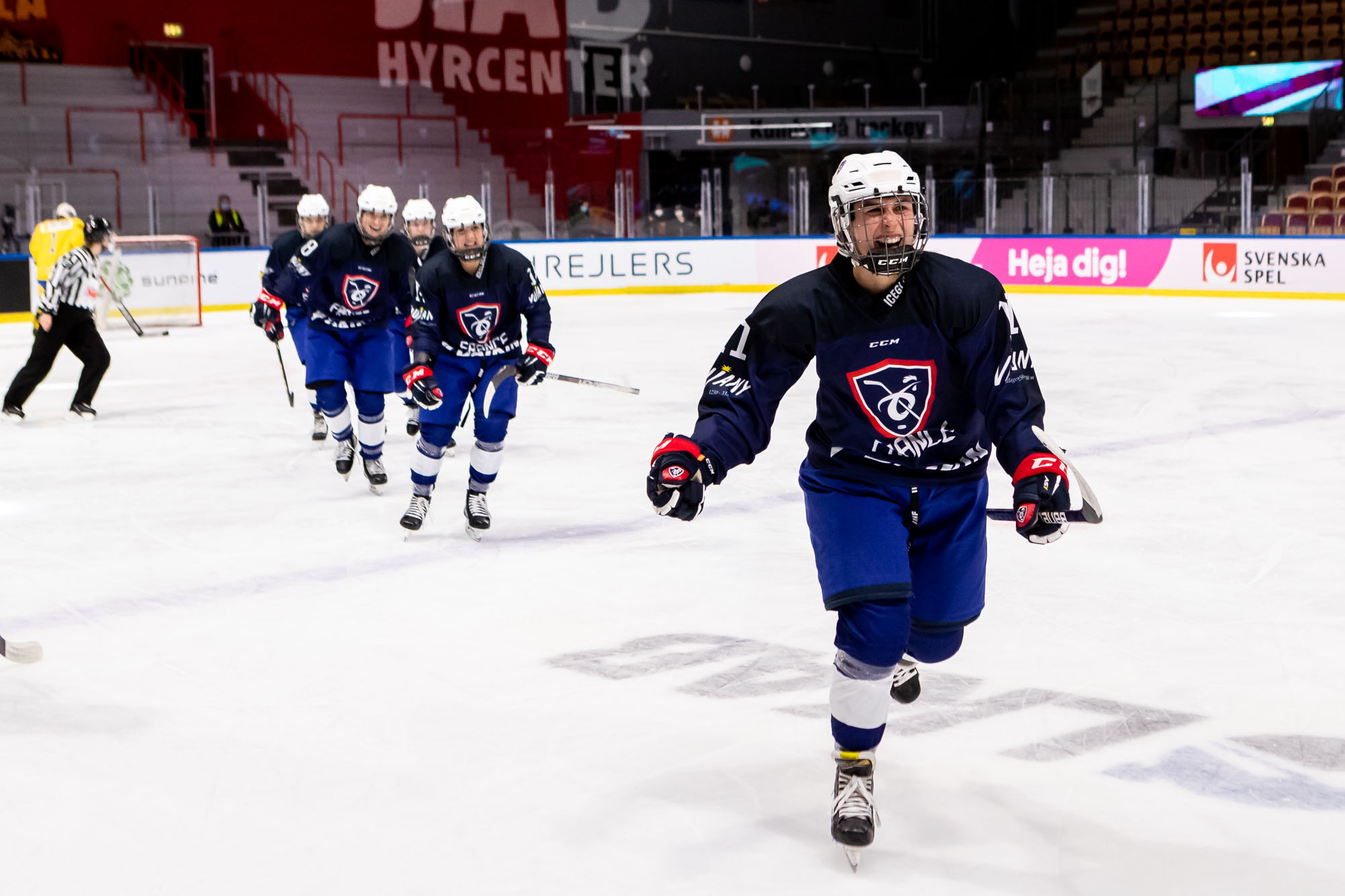 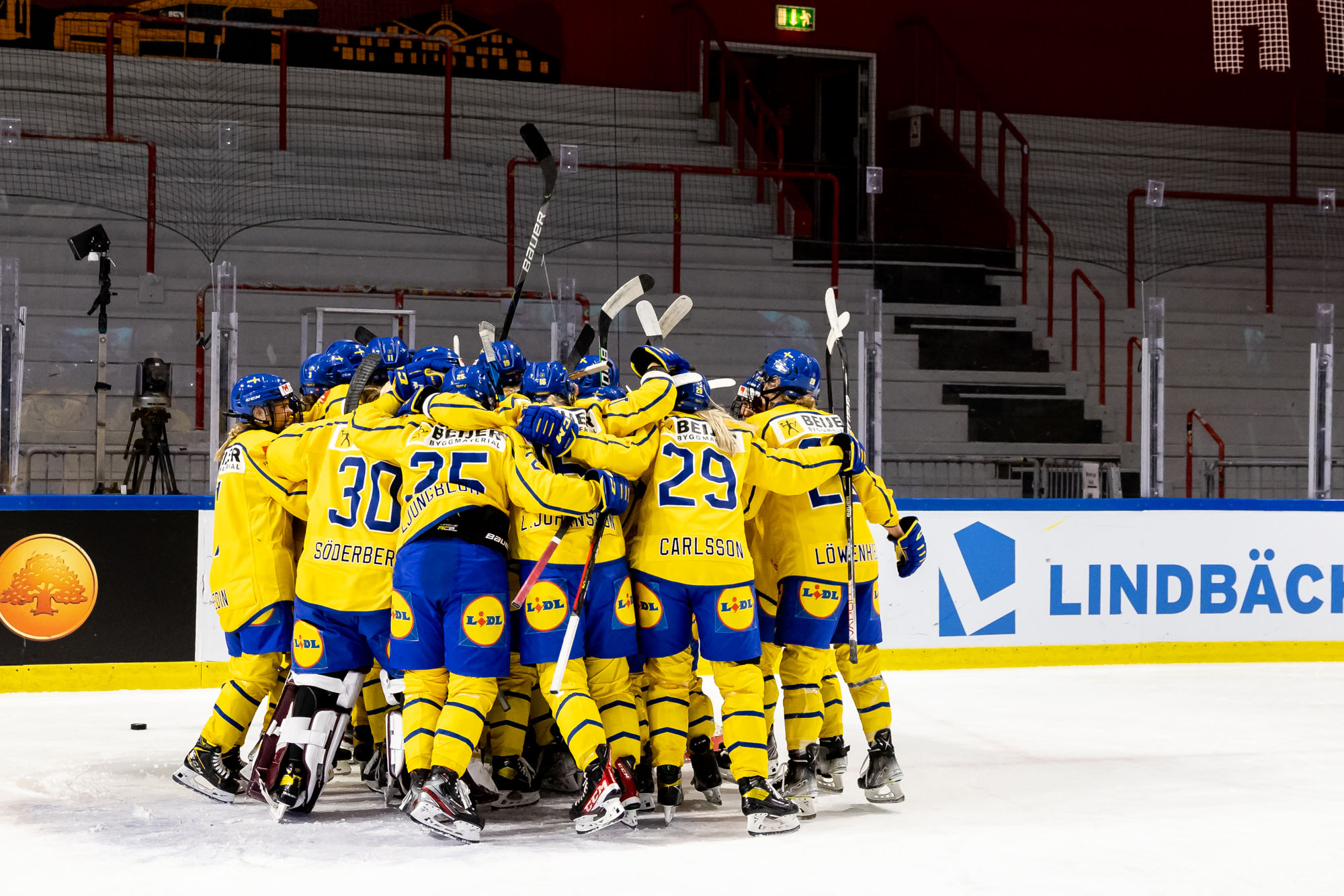 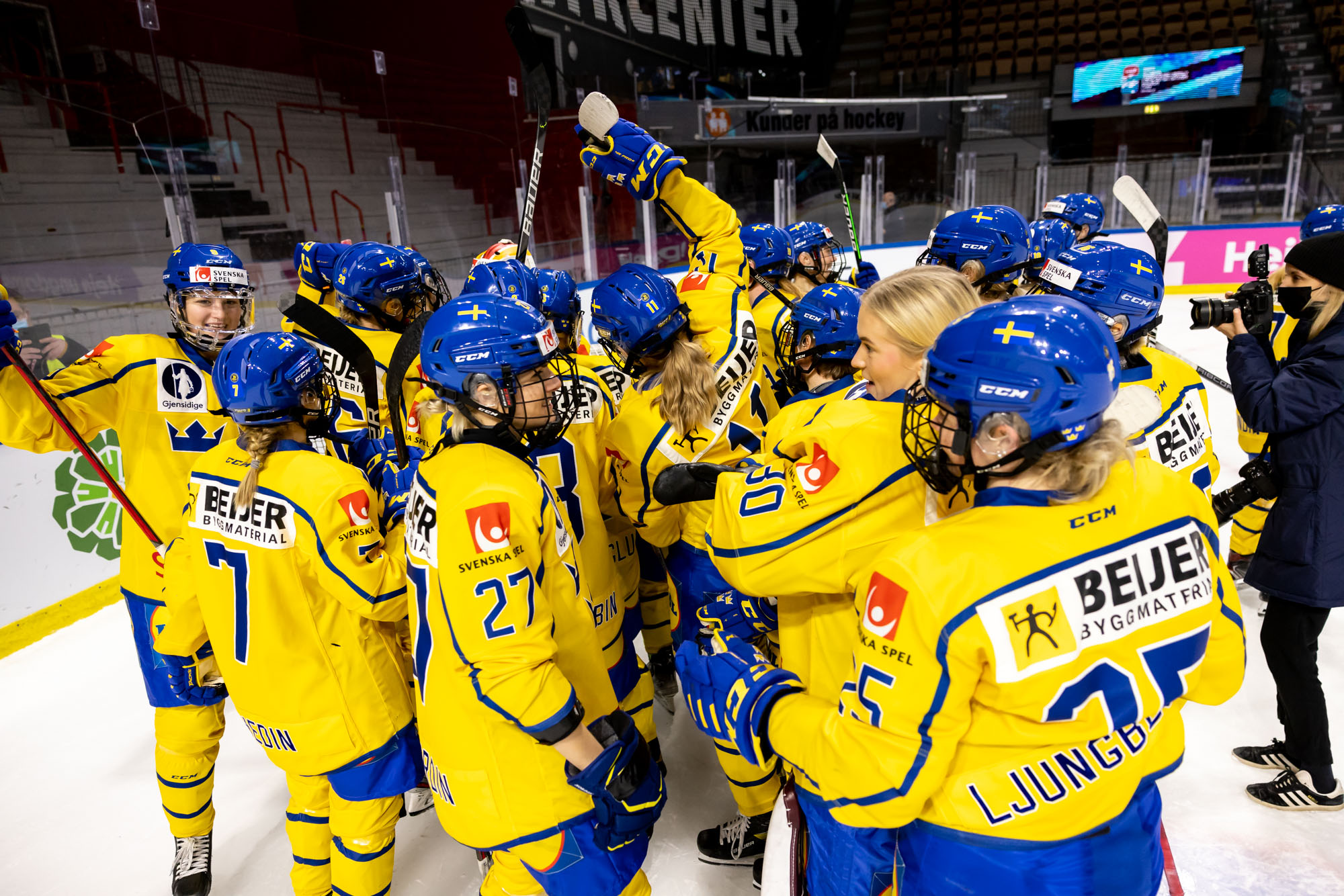 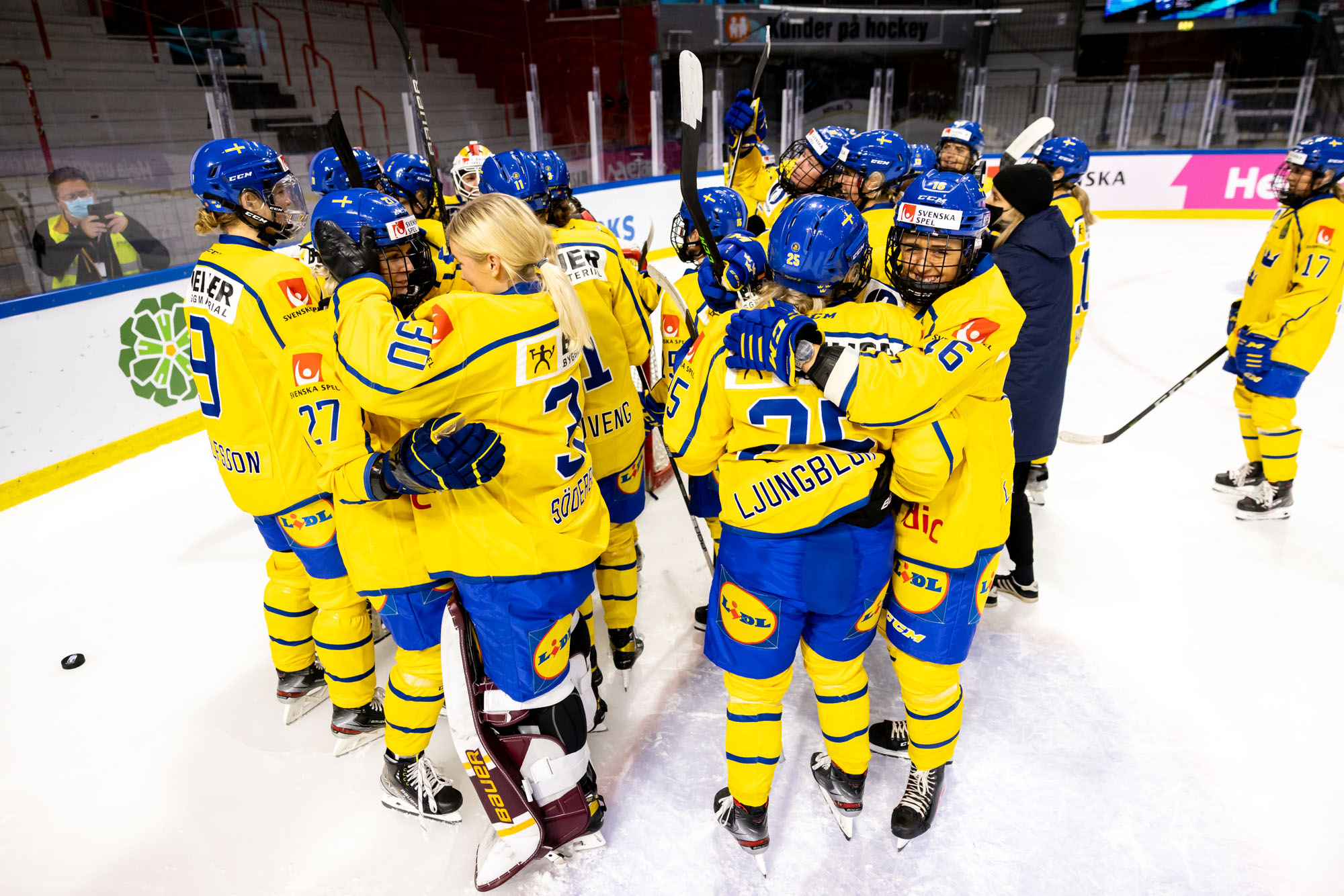 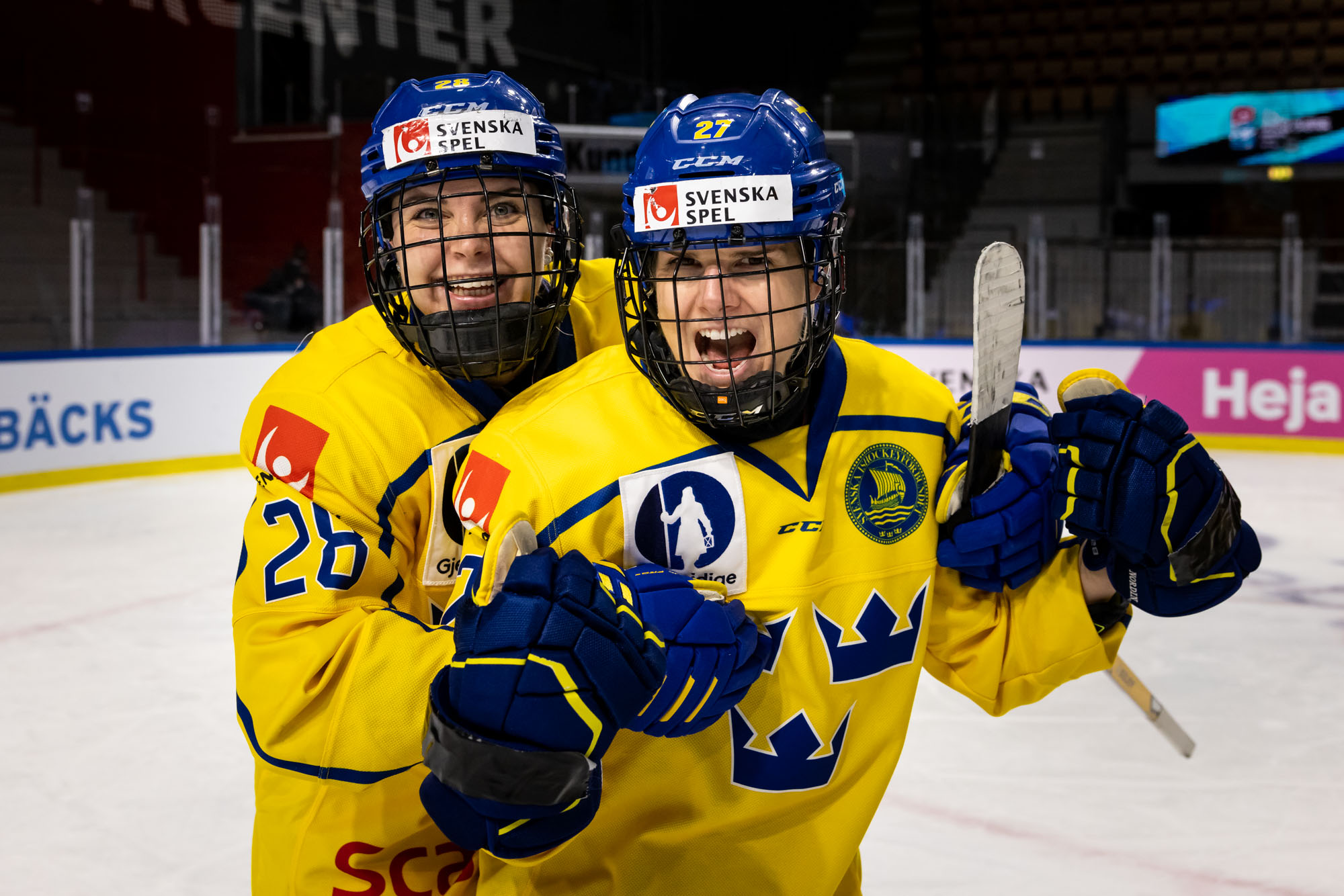 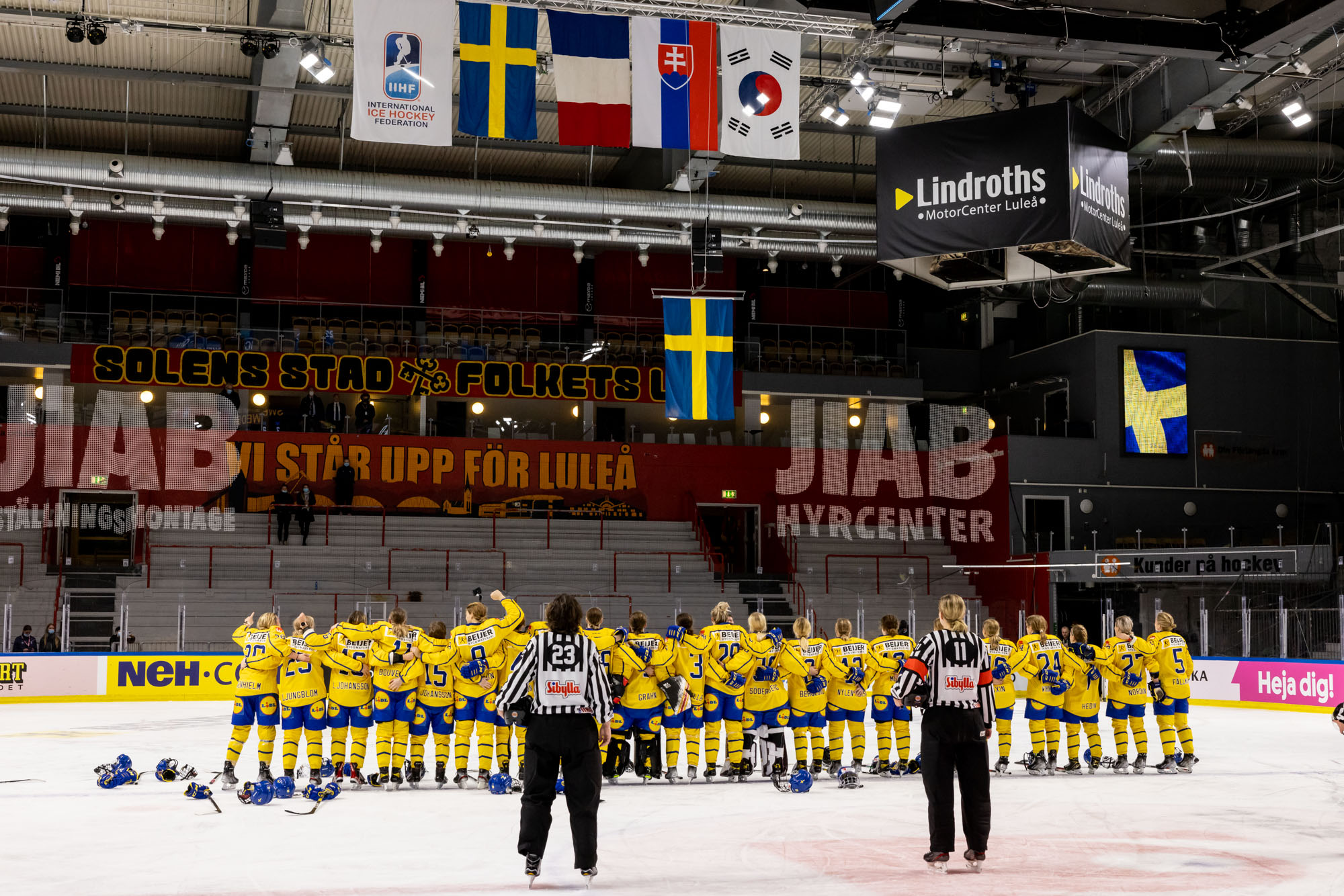 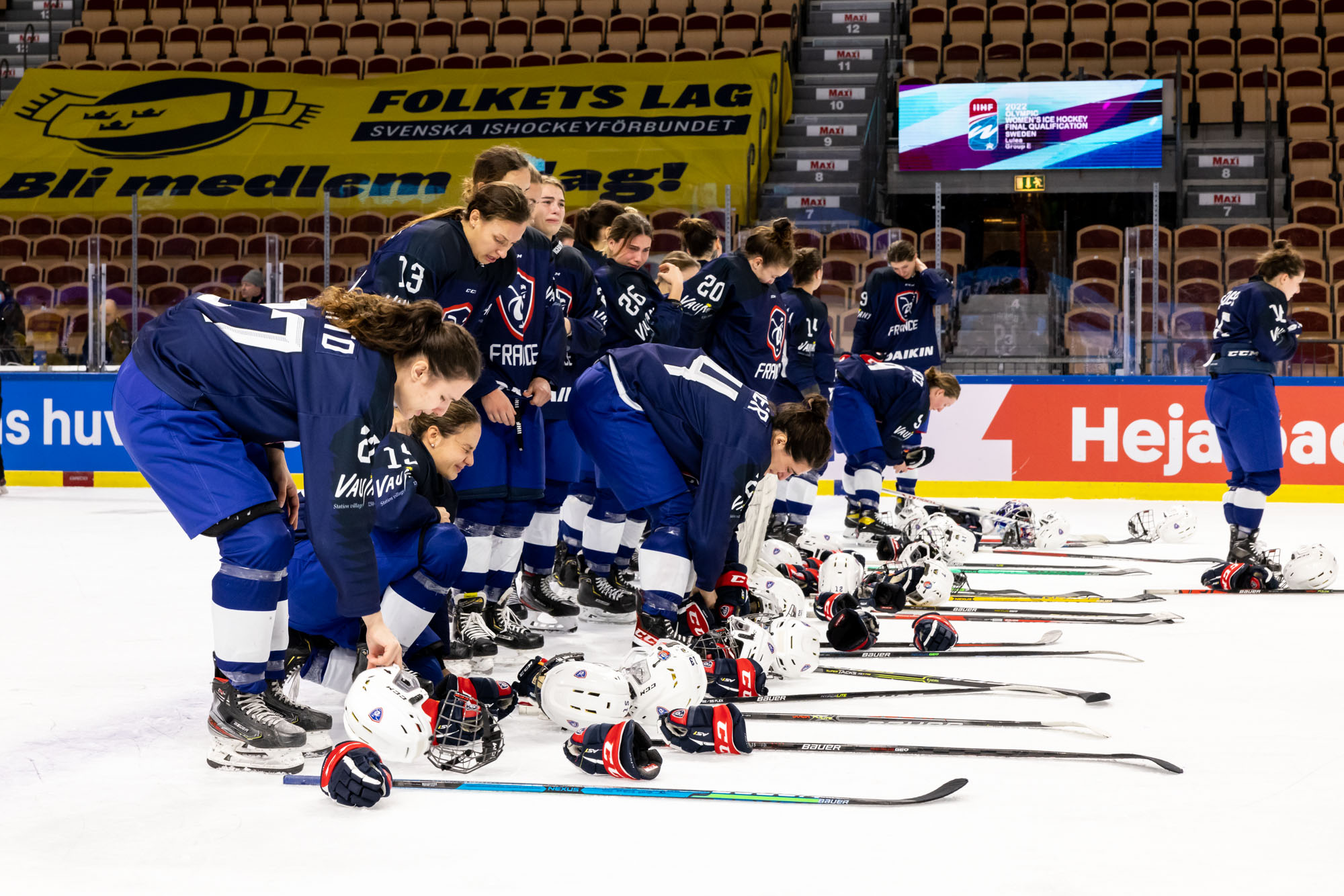 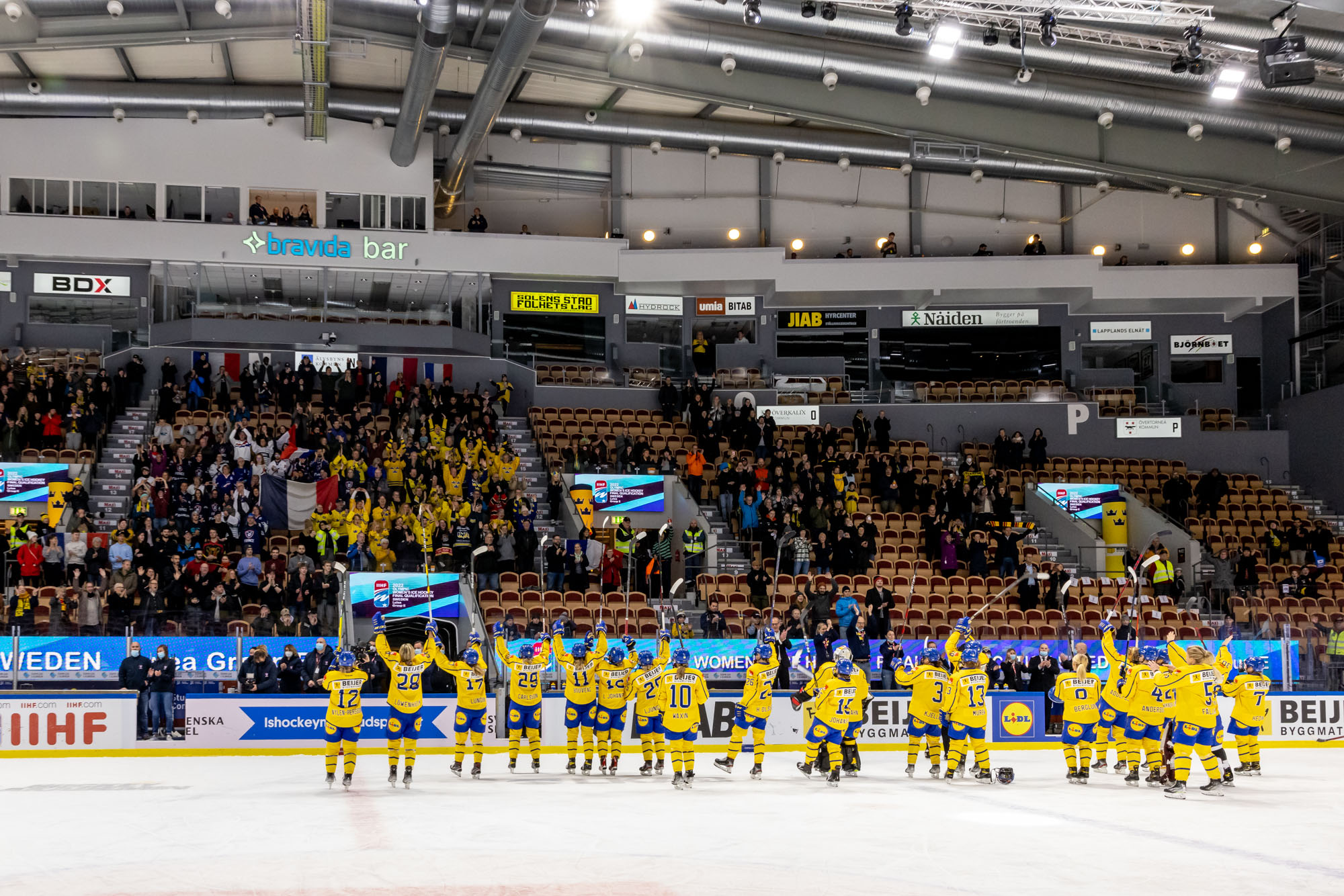 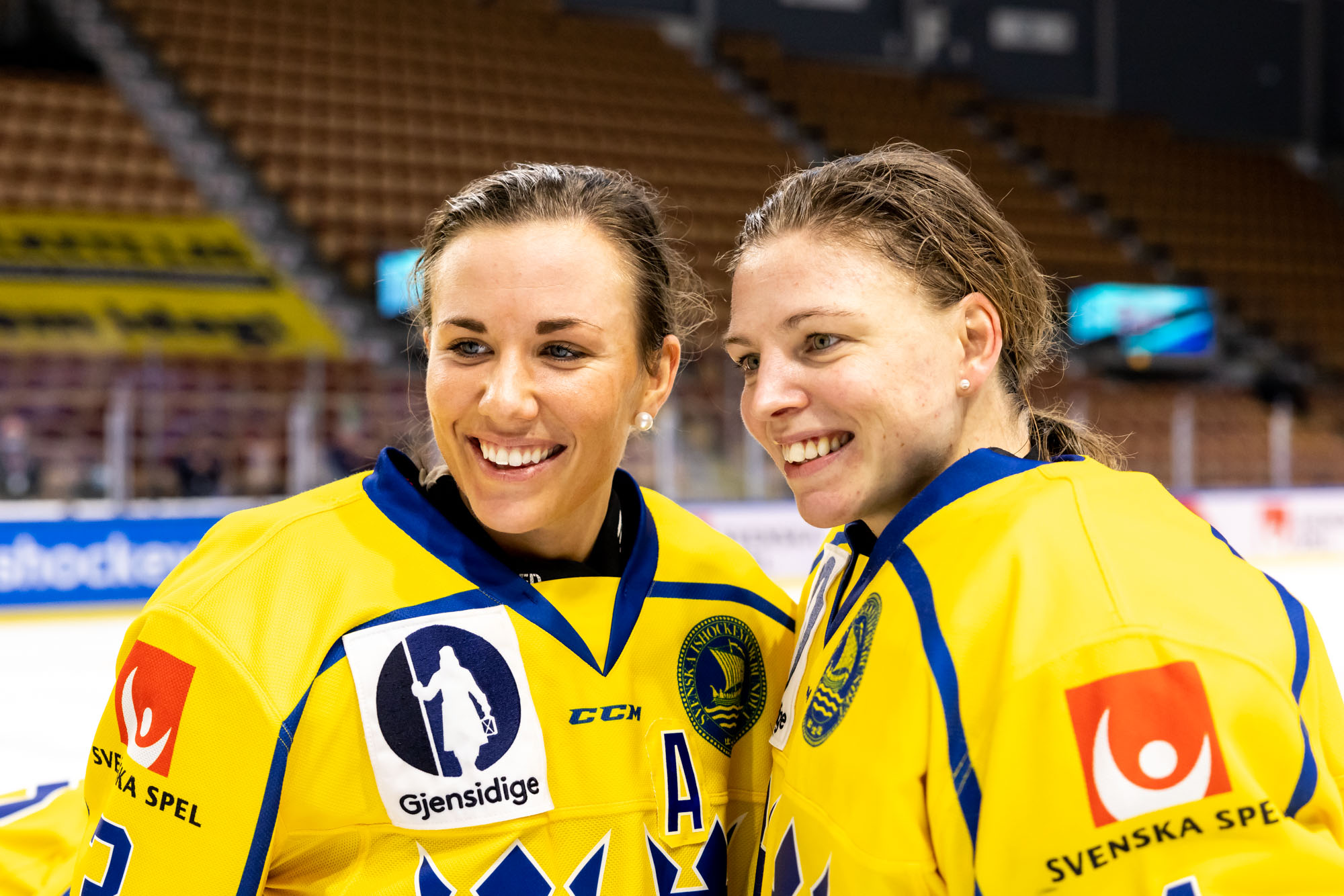 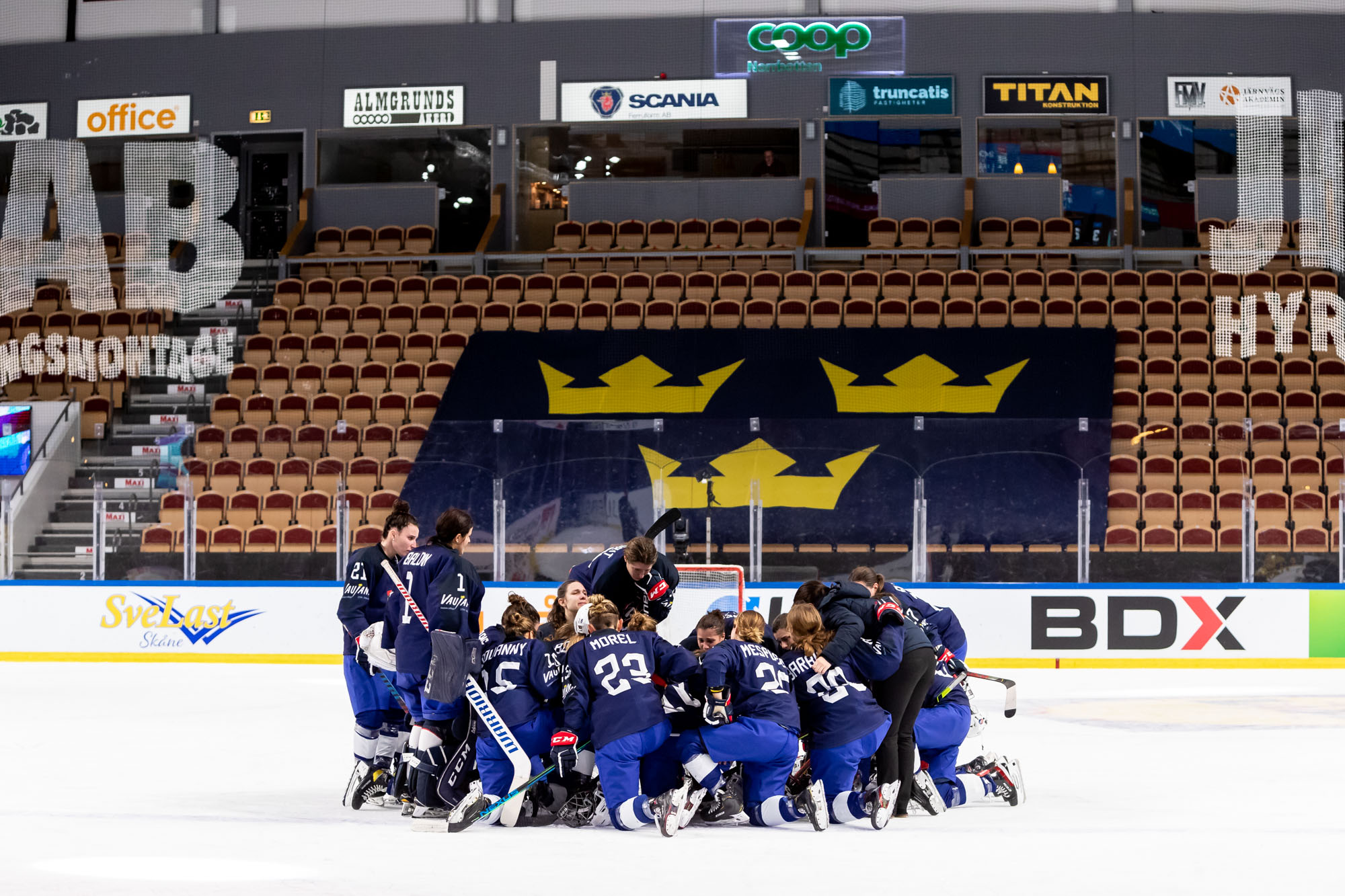 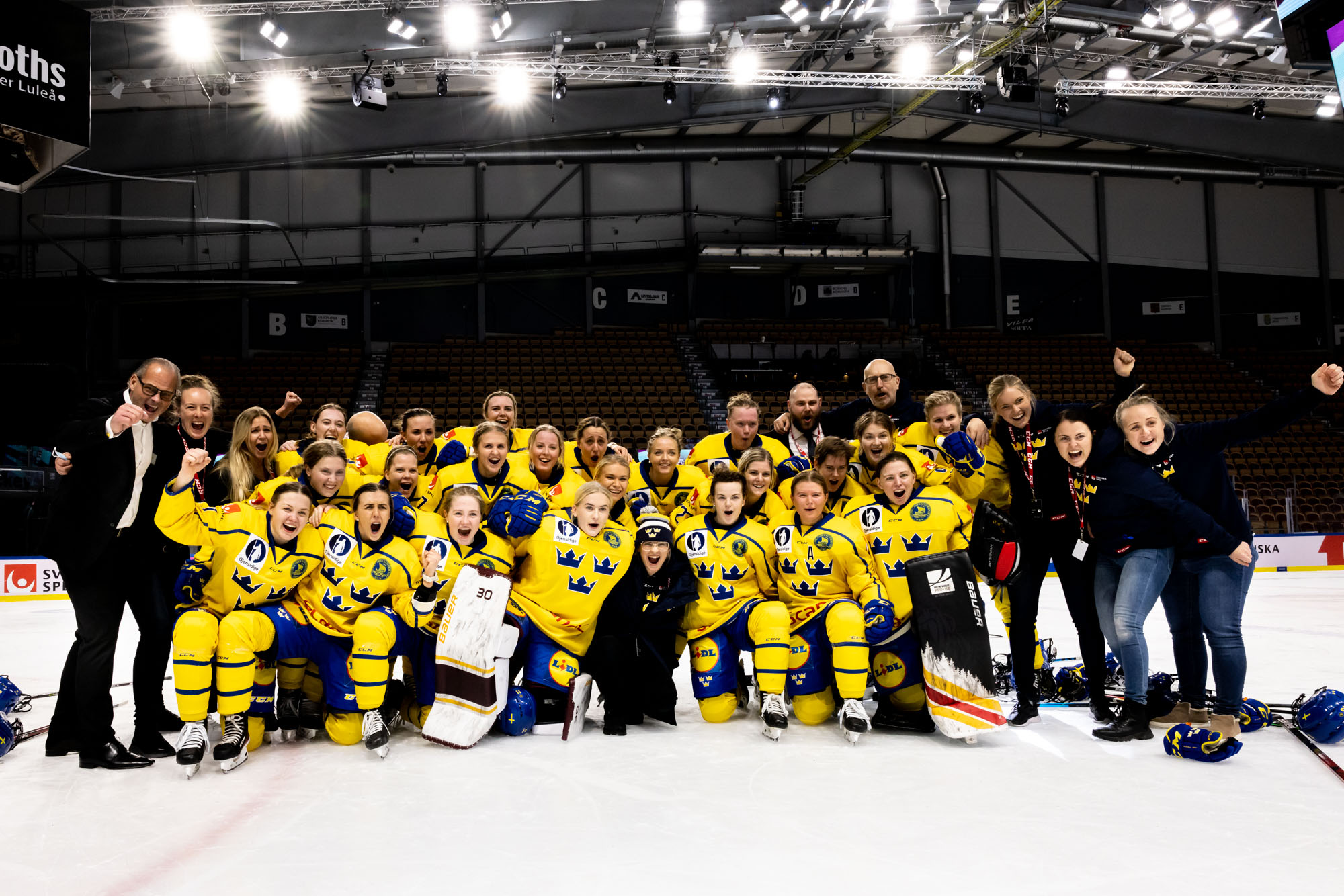 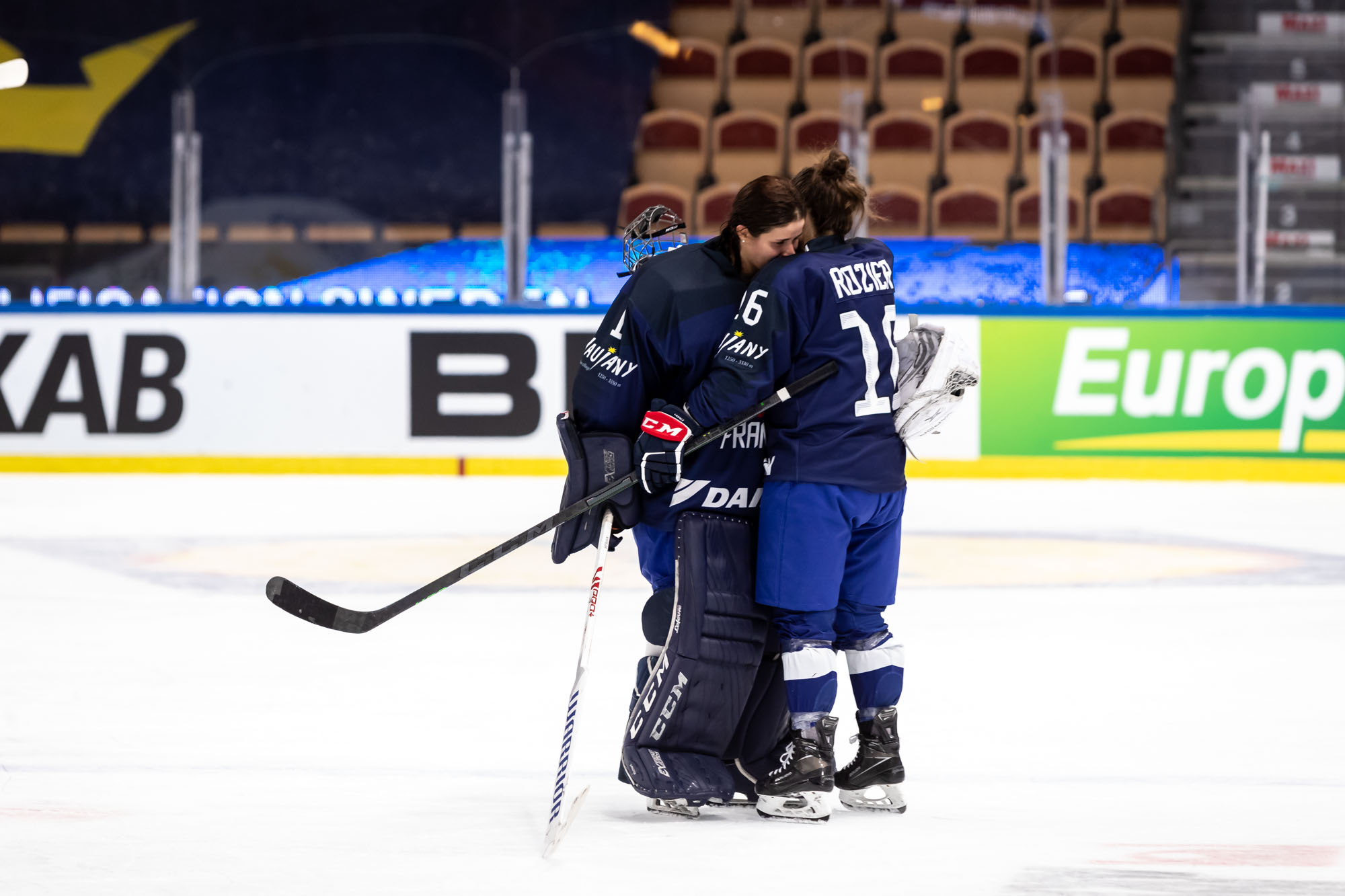